Bondra, Buc lift Slovaks past the French
Slovakia's David Bondra (blue jersey) fires his team's opening goal past French goalie Florian Hardy in a World Championship Group A game.
photo: Andre Ringuette / HHOF-IIHF Images
share
Mr Bondra, we've been expecting you. And David Bondra, playing in his first World Championship for Slovakia, duly delivered his first goal of the tournament to set his country on the way to a 3-1 victory over France.

Bondra's Poprad line with clubmates David Buc and Patrick Svitana made all the difference in this game, with a hand in all three goals. It's the type of return this new-look Slovak team has been hoping for; evidence of a new generation emerging.

Dominik Granak, one of the old guard on the team, was delighted for his team-mates.

"All three of them have been really good all tournament," he said "They are working really hard and I'm happy for them that their line got the goals today. They were our most important line in this game.

"And it's a big deal. We can't keep playing with the same generation of players forever. It's very important that we have them and three really young defencemen here and they are performing really well."

Thursday’s afternoon game in Copenhagen was destined to sort out the quarter-final hopeful from the team set to battle at the bottom of Group A. Slovakia and France both had one win from three games, and both had grounds to hope that a second success could be the springboard to claim a place in the last eight.
History was on the Slovaks’ side going into this one. France has only beaten Slovakia once in seven attempts, scoring four goals in the last 10 minutes of a 2014 World Championship game in Minsk on the way to a rare quarter-final appearance.
After Tuesday’s victory over Austria, Bondra was among those talking up his team’s prospects of a top-four finish and he duly delivered the opening goal in the sixth minute after the Slovaks made the brighter start.
World Men
Slovakia vs. France
A relatively drama-free game, but nonetheless, a massive win for Slovakia over France.
SVK FRA 10 MAY 2018
It was a goal fetched down from the High Tatra mountains as HK Poprad clubmates Patrick Svitana and David Buc combined to put Bondra into a shooting position on the left. His wrist shot did the rest.

For France, the problem in this tournament has been offence. An impressive six-goal haul against Belarus could disguise the issue: the French had just 54 shots coming into the game – the lowest in the tournament so far. The opening frame added just four more to that count and Marek Ciliak had little difficulty in preserving the Slovakia lead until the first intermission.

Indeed, the scoreline might have been more comfortable for the Slovaks. In the 16th minute, Tomas Jurco got goalside of Antonin Manavian only to be halted by a high stick. France had to kill a double minor, but held on to ensure it was a one-goal game at the intermission.

"Our special teams are so terrible so far!" protested veteran forward Ladislav Nagy. "We gotta work on it and be better on special teams, better on the PP.  We gotta score a couple of goals on the PP. We had a four-minute power play and we got maybe one or two shots on the net. That’s no good."

The middle session began with another combination from the mountains. Two minutes into the frame that same HK Poprad line produced a second goal. Bondra put up the screen in front of Florian Hardy, Svitana fired in the shot and Buc was on hand to tuck away the rebound.

French D-man Yohann Auvitu was frustrated at another slow start to another period. "We tried for 60 minutes. I can’t complain about that," he said. "But once again, we pay for our mistakes. Today it cost us the game. We repeat and repeat the same mistakes. At some point, you know you’re going to pay for it, and today we paid for it. At the end of the day, they got the three points and we got nothing.

"Obviously those are key moments in the game. You’ve got to be focused from the beginning of each period. We didn’t do that well, and we paid cash today."

At 0-2, France was in need of a lift. Guillaume Leclerc provided it. Jonathan Janil fed the puck down the right-hand boards, Jordann Perret swept it into the centre and Leclerc found the tightest of lanes to squeeze a shot past Marek Hovorka’s attempted block and inside the near post.

Slovakia began the third period looking to take the game away from France. Ladislav Nagy’s wiles around the net are undimmed at the age of 38 and he conjured a sharp chance on the wraparound early on before Jurco got in the right place to redirect a Michal Kristof shot but got his angles all wrong.

Gradually that Slovak momentum faded and France started to threaten an equalizer. Ciliak stood up when scrappy play behind the net presented Floran Douay with a chance in the slot, then Anthony Rech set off on a thrilling raid, racing from end to end before drawing another big stop from the Slovakian goalie.

Yet again, though, France's forwards were unable to keep up the pressure on the opposition net. Slovakia held on and were a video review away from wrapping up the game in the 59th minute thanks to a special piece of stick handling from Nagy. He turned Rech inside out before wrong-footing Hardy and tapping in the puck. His celebrations were cut short, however, when a challenge from the French bench confirmed that another Slovak players strayed offside as Nagy collected the puck in centre ice and the goal was disallowed.

That ensured a nervous ending, with Slovakia's Tomas Marcinko ending the game in the box for high sticking as France went 6-on-4 in a bid to force a tie. Instead, though, Buc's interception released Michal Cajkovsky for an empty-net goal to finish the job with 10 seconds left on the clock.
Slovakia vs. France 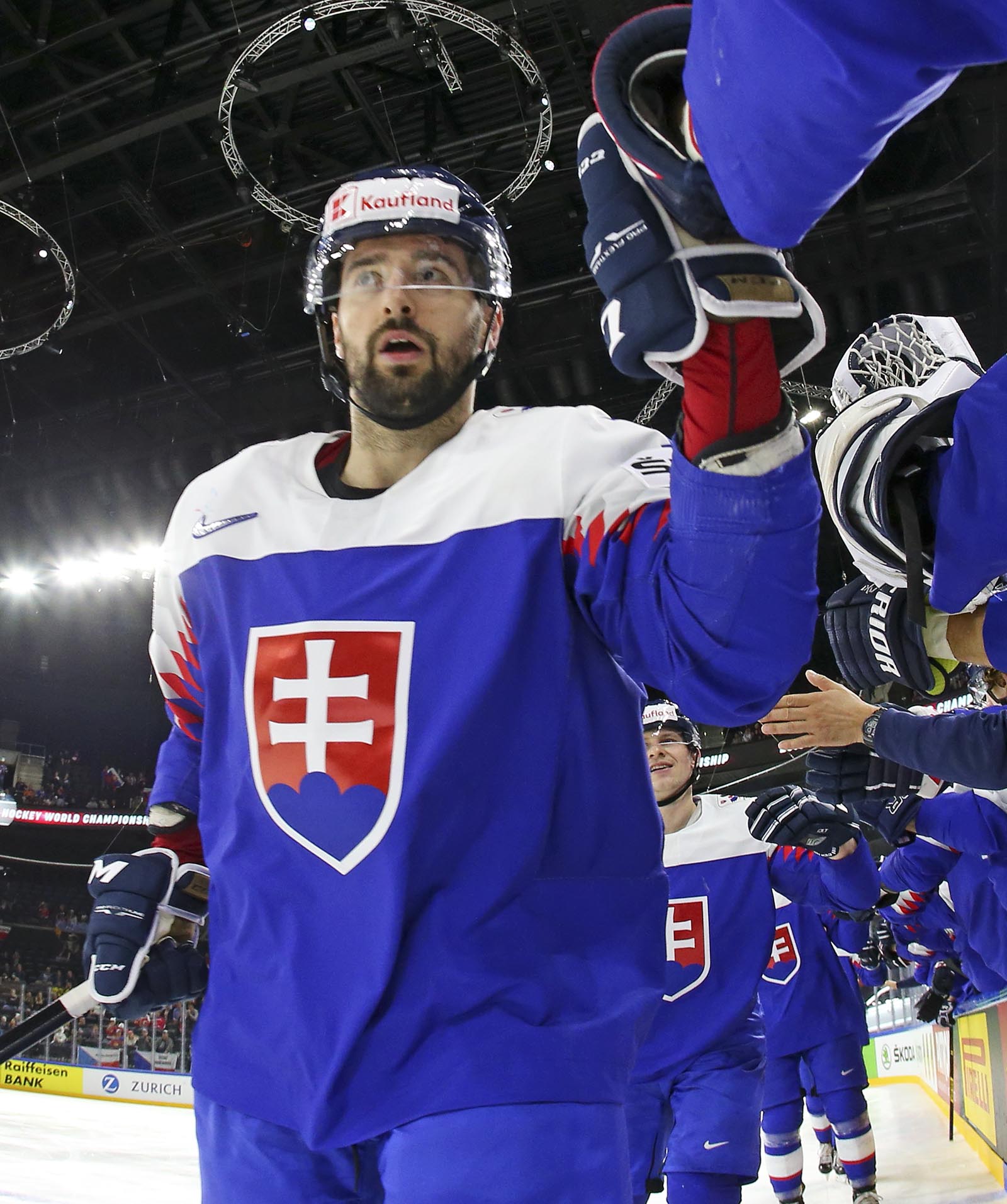 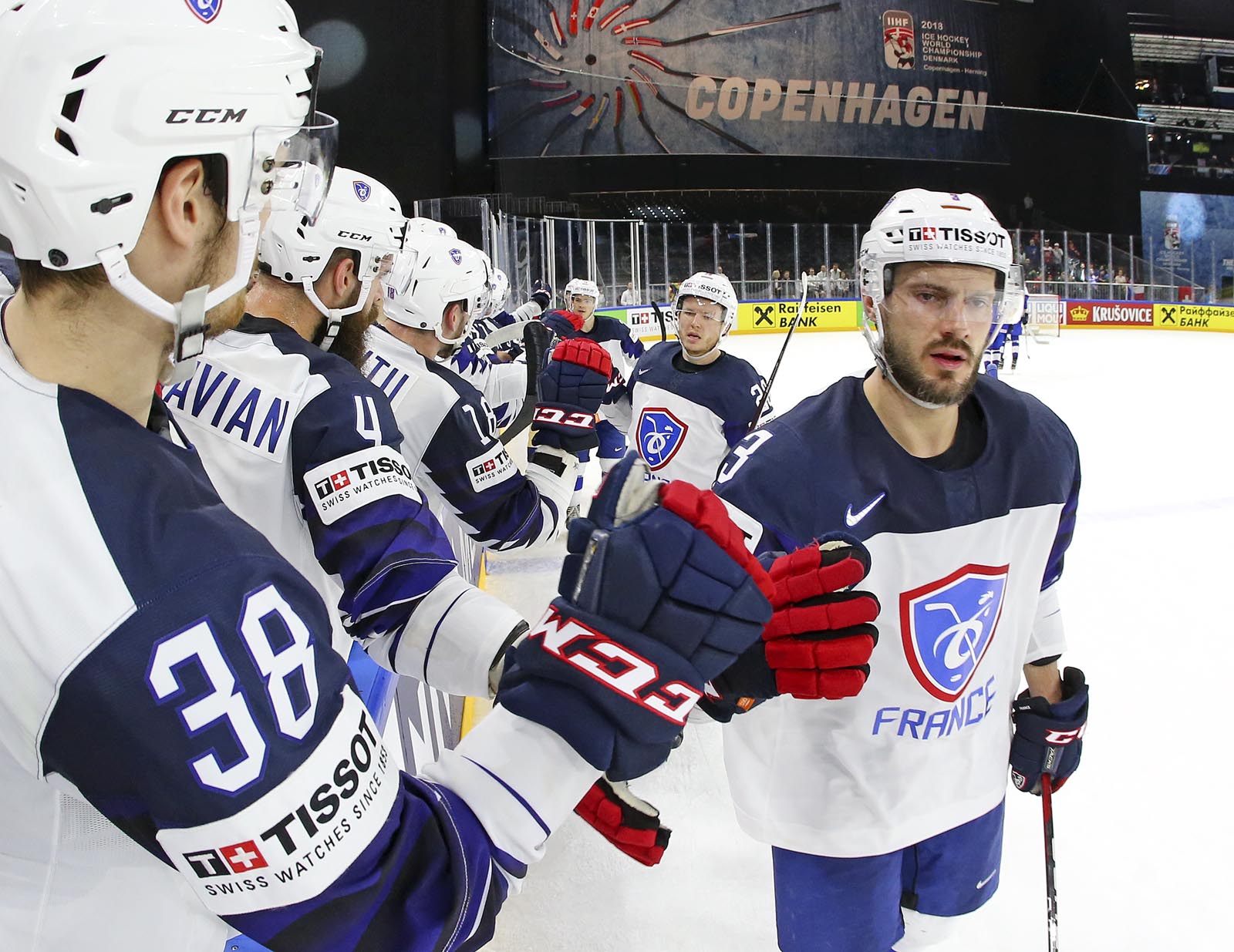 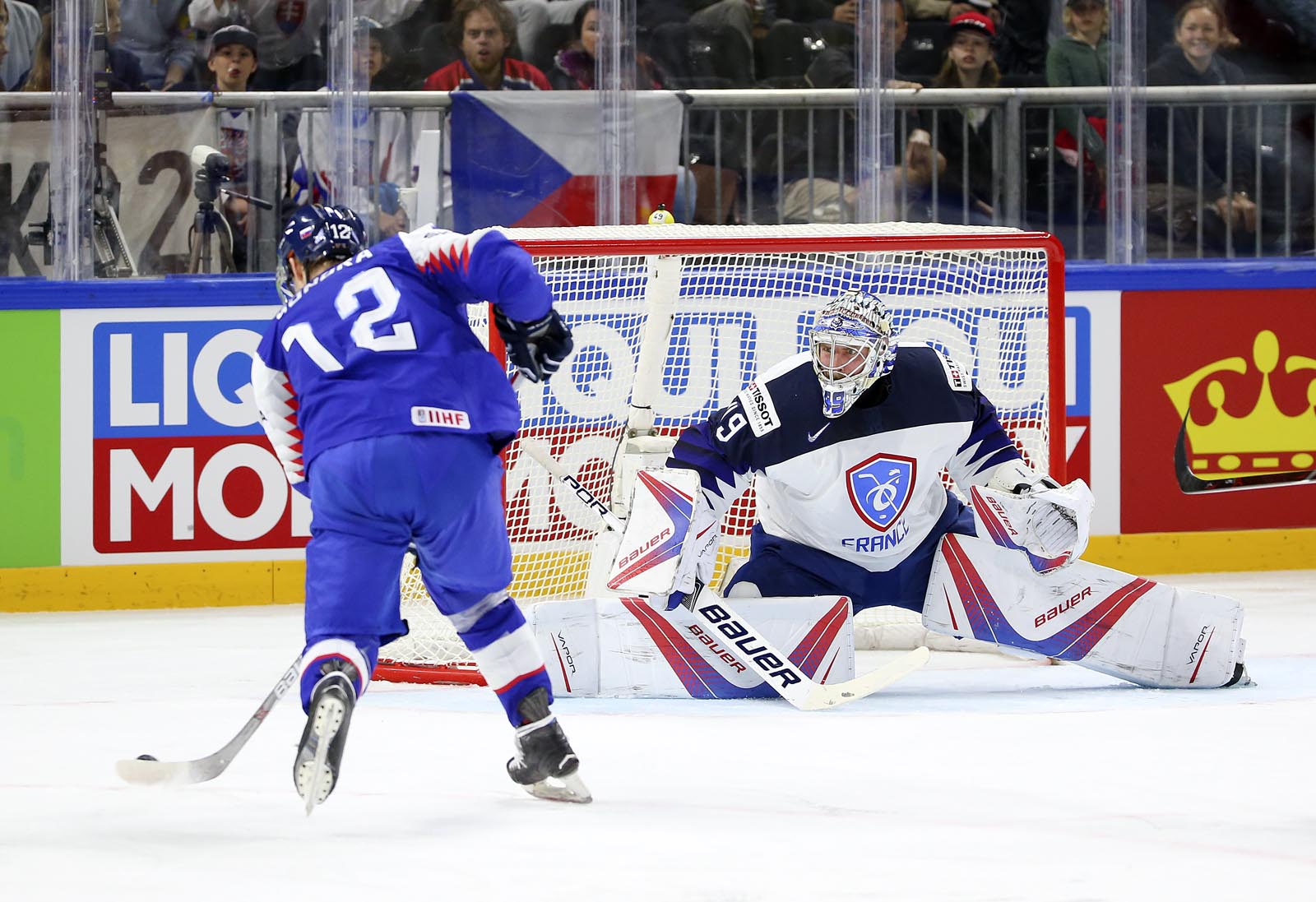 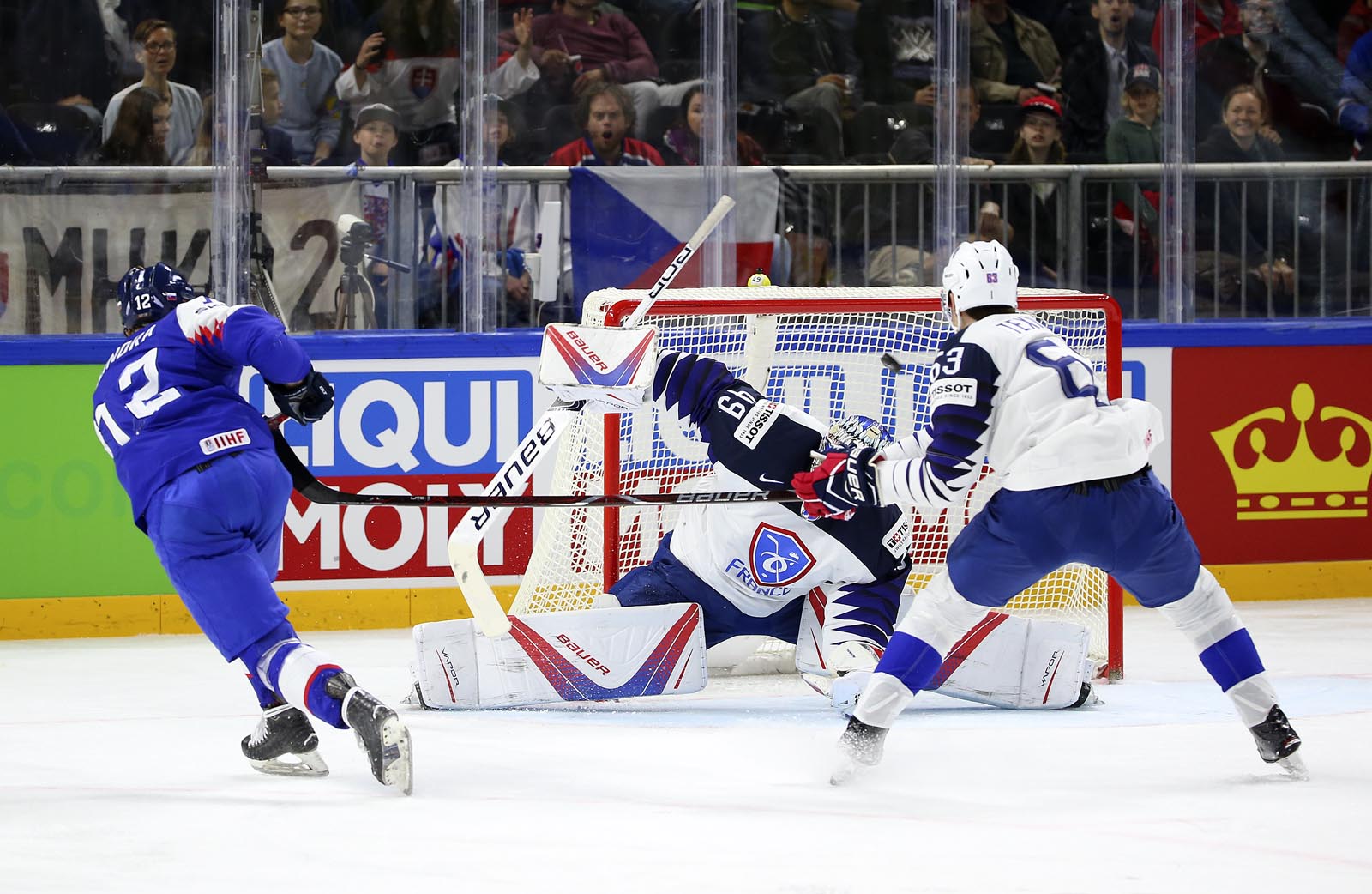 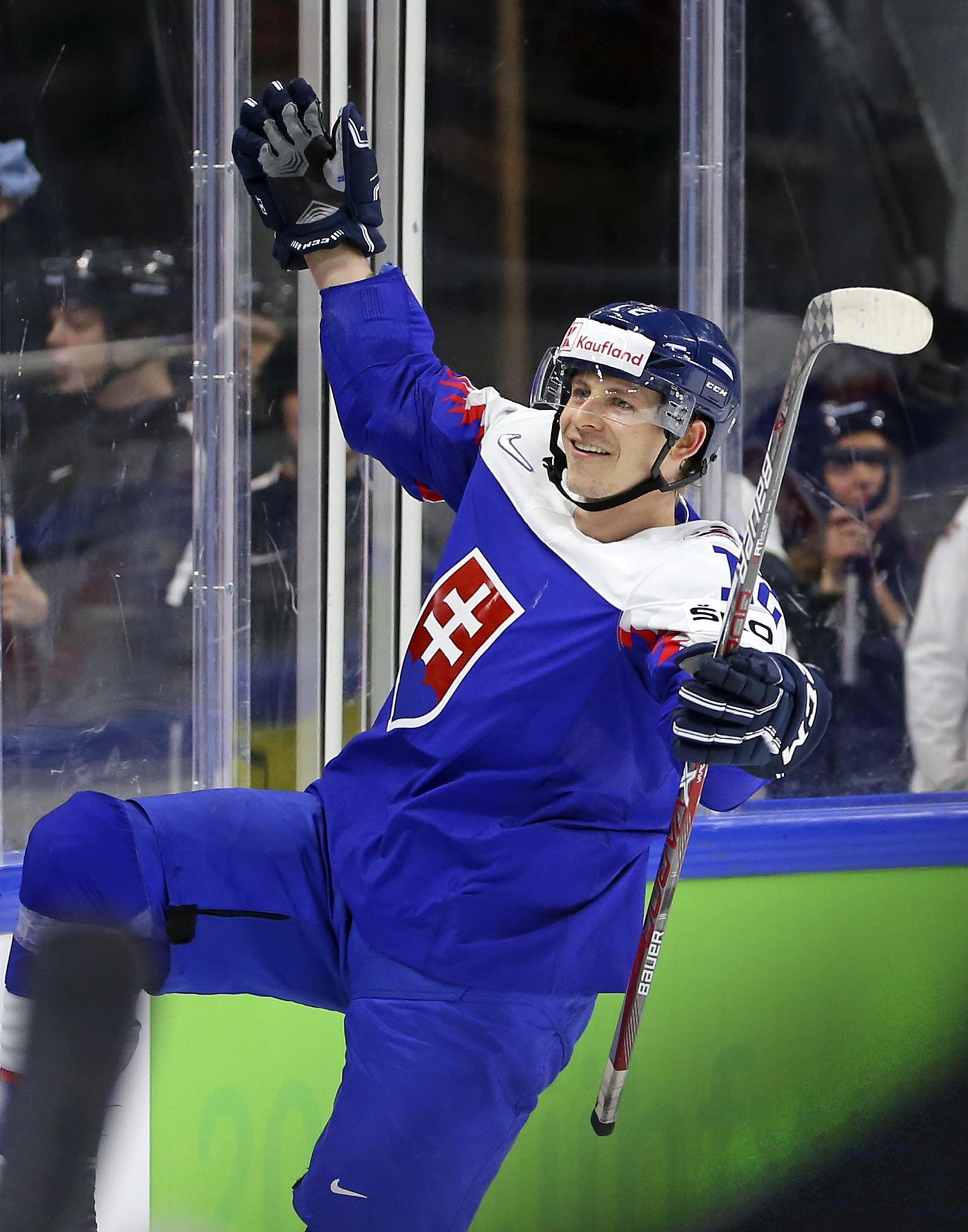 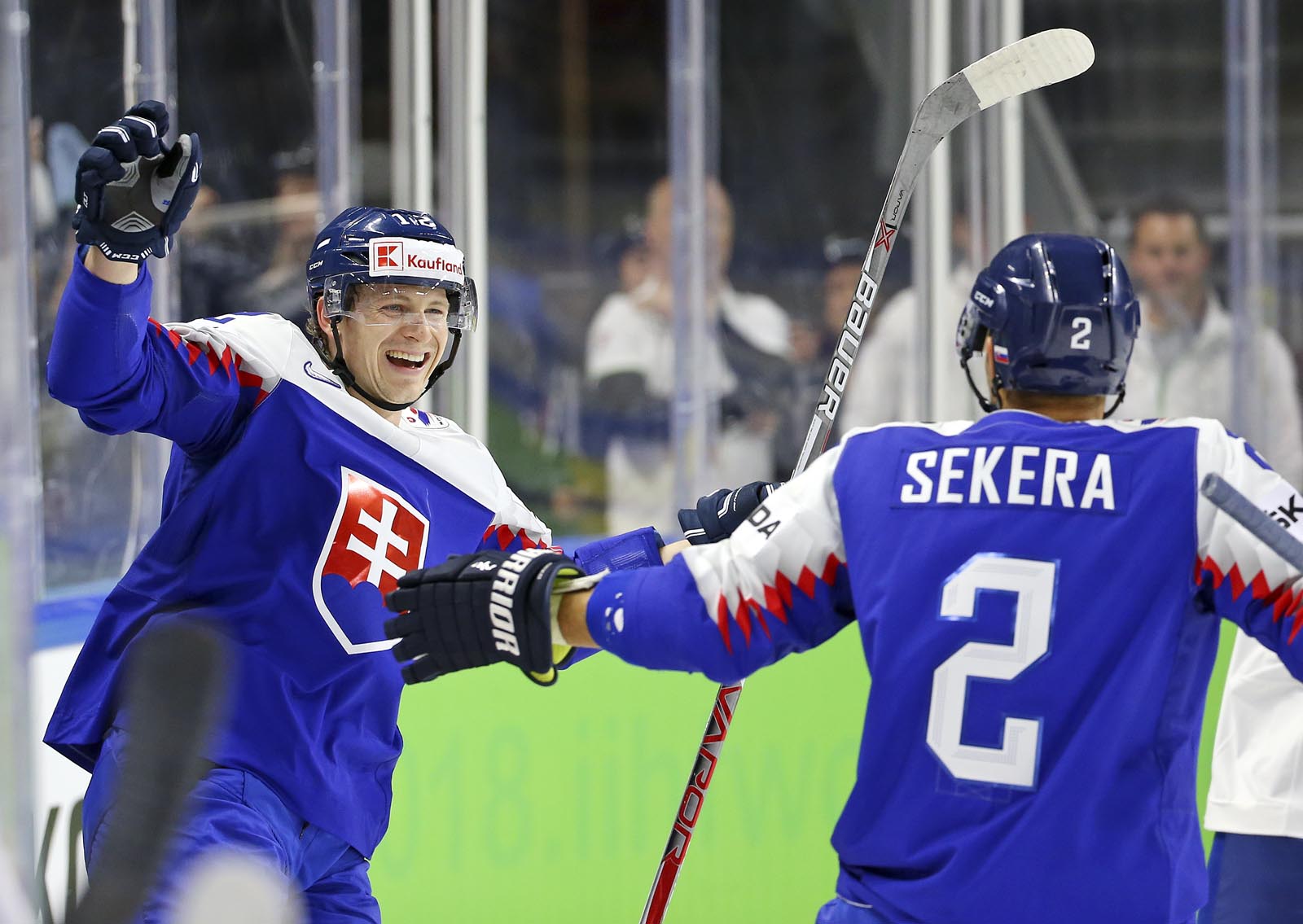 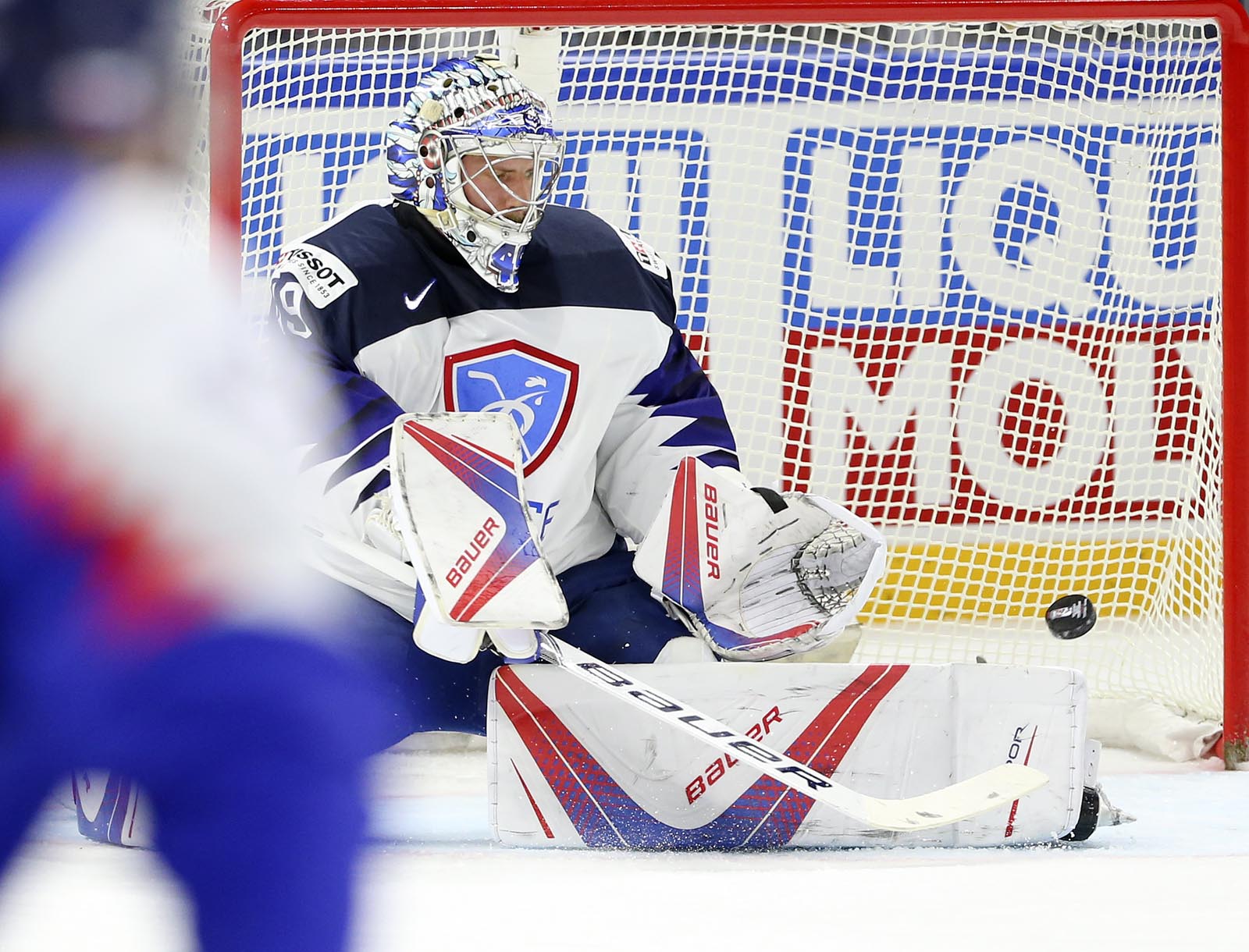 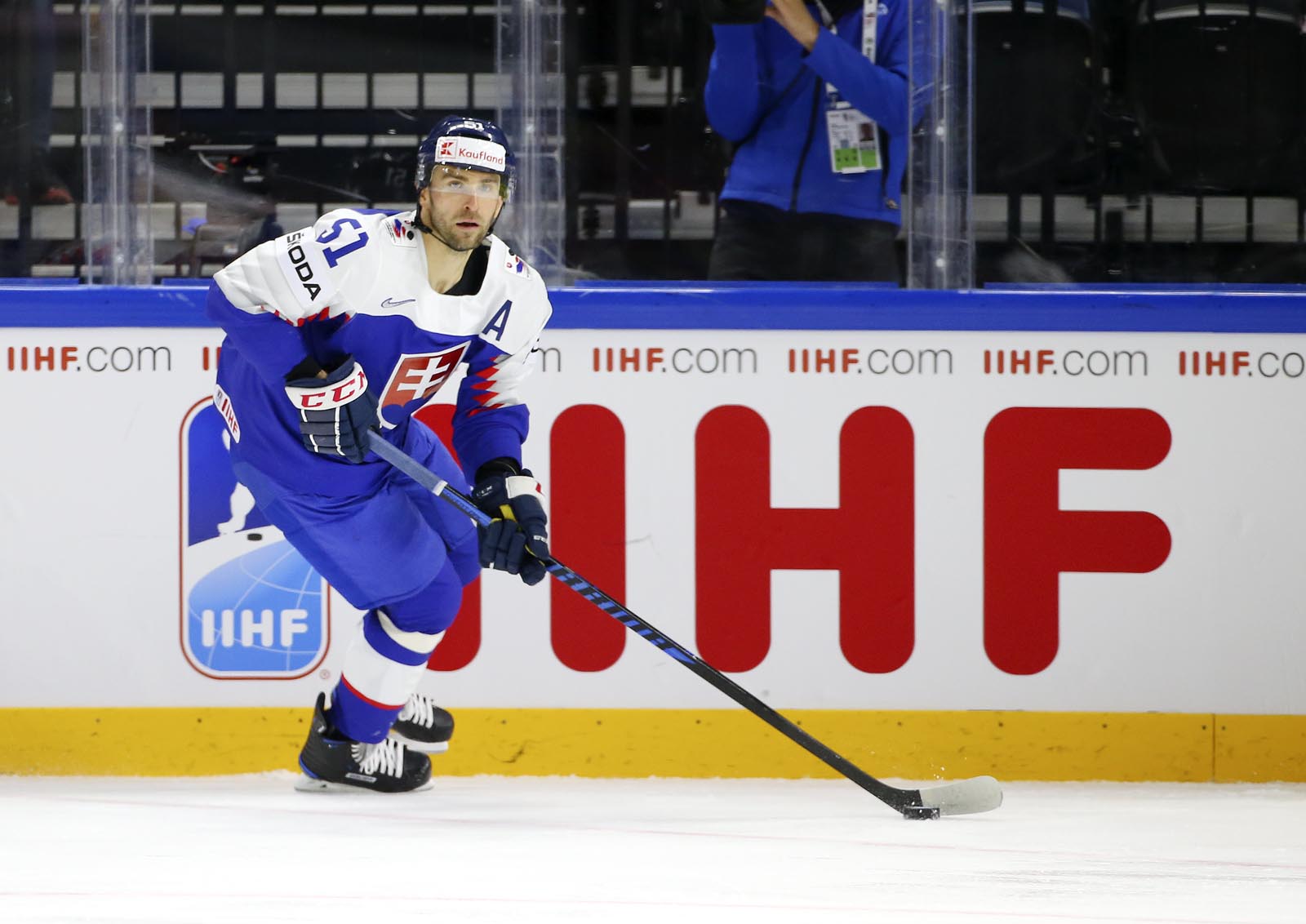 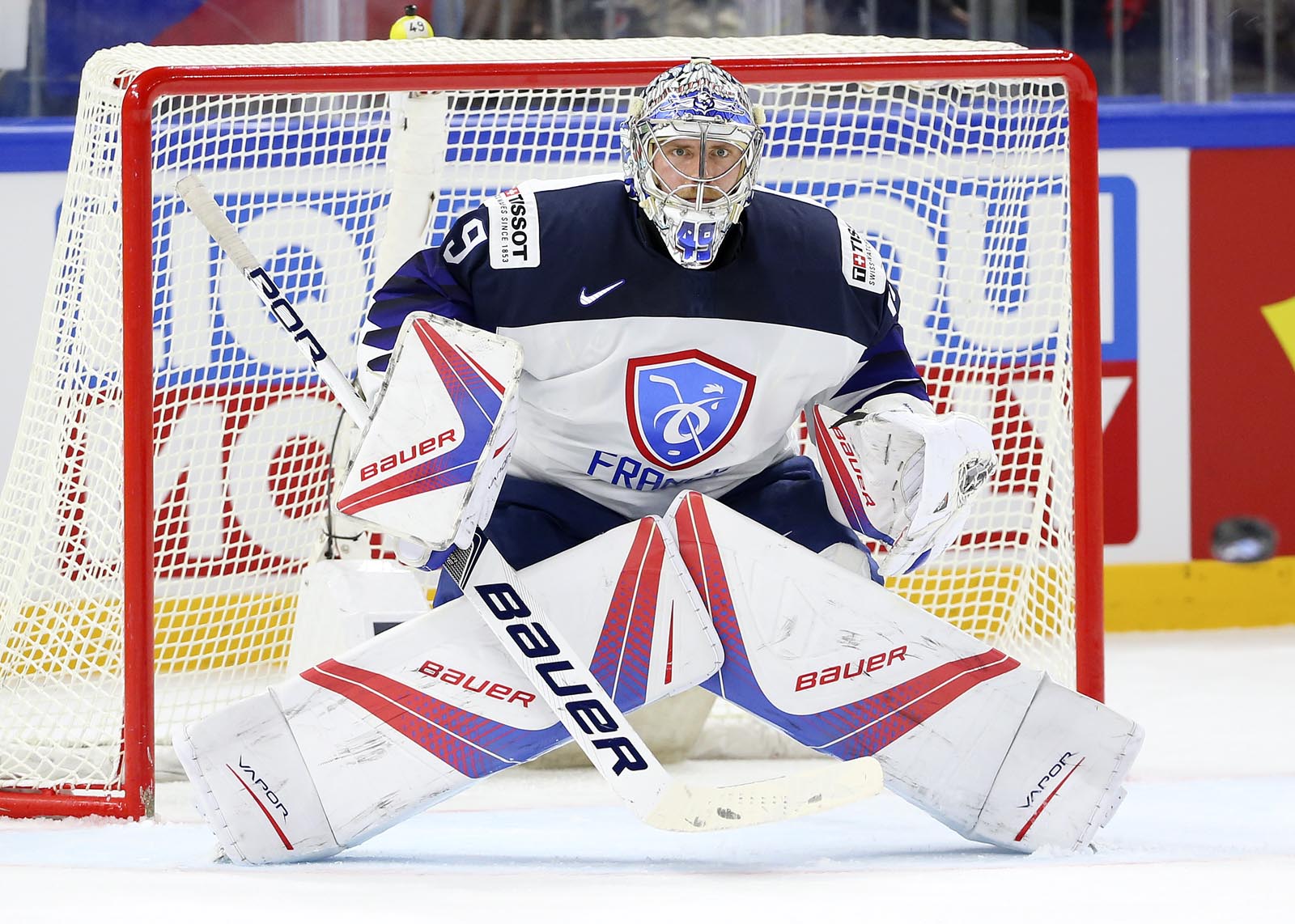 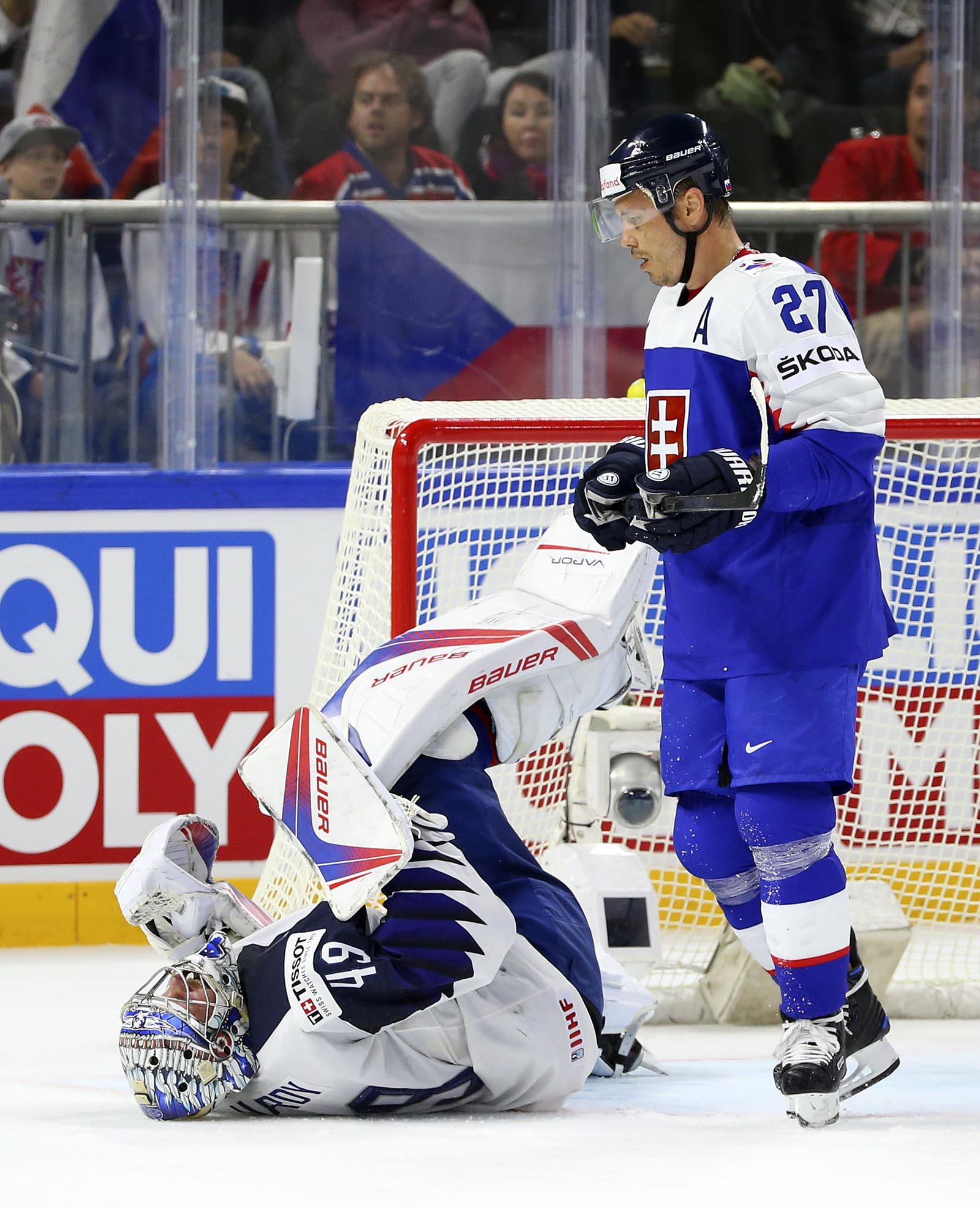 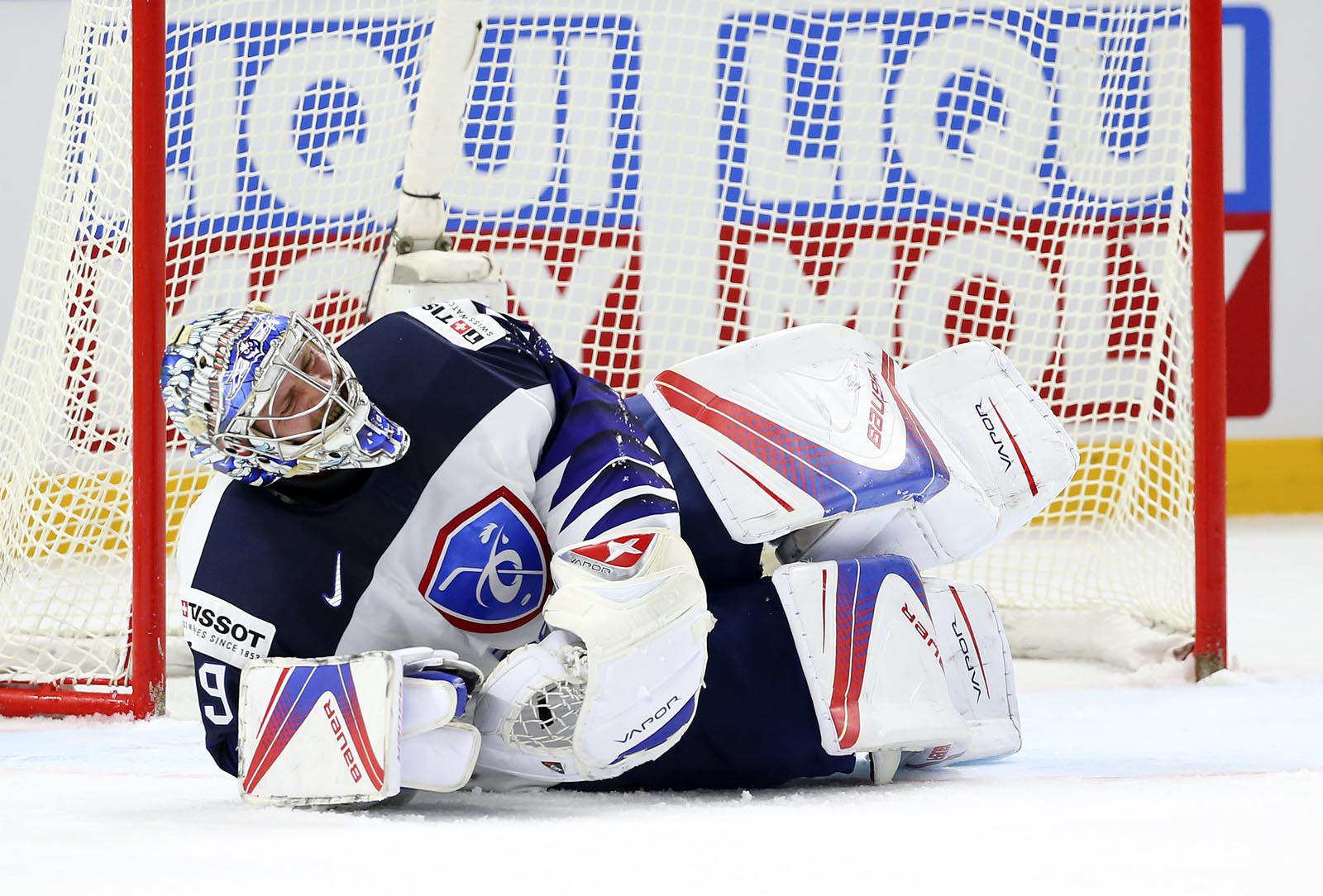 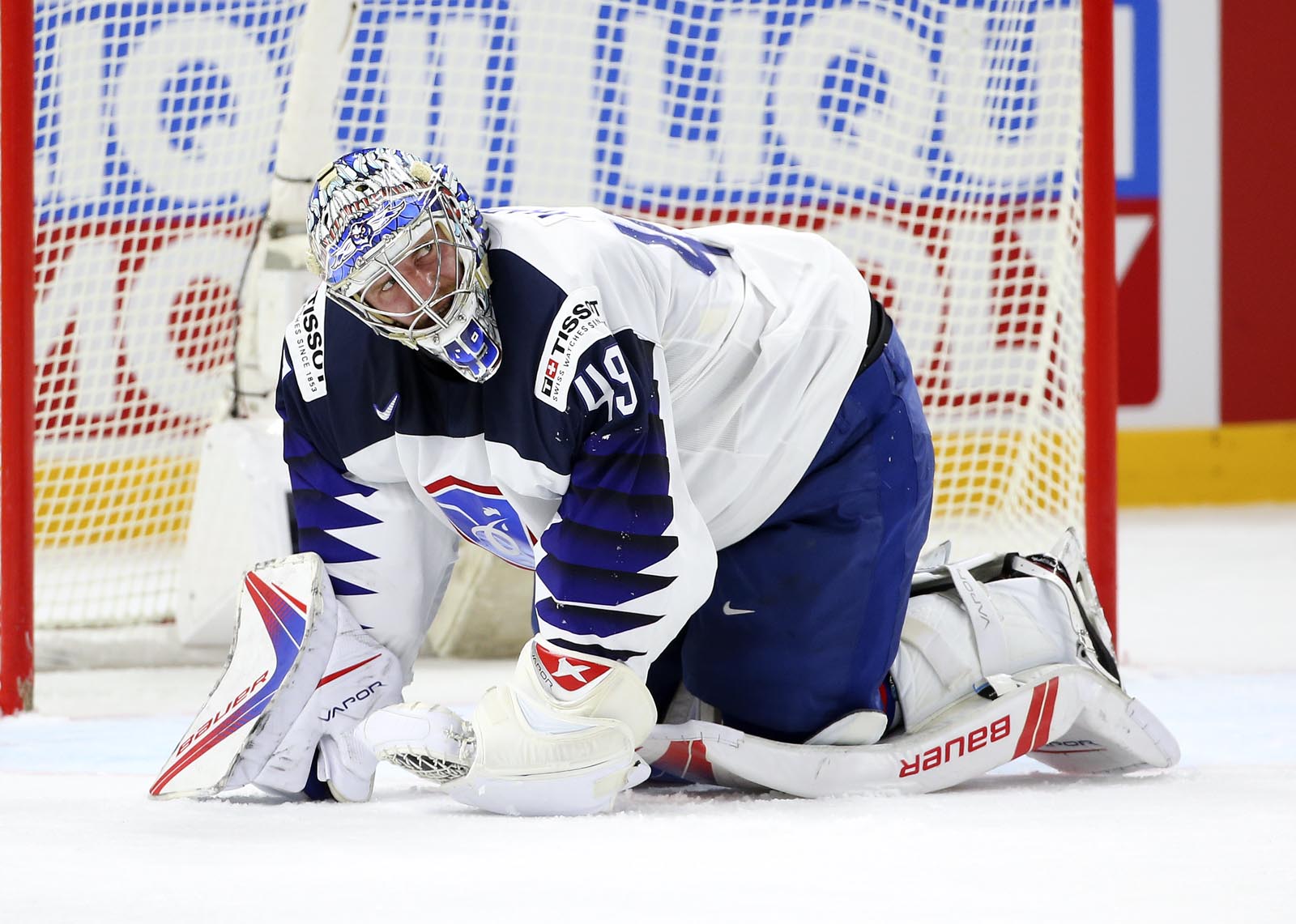 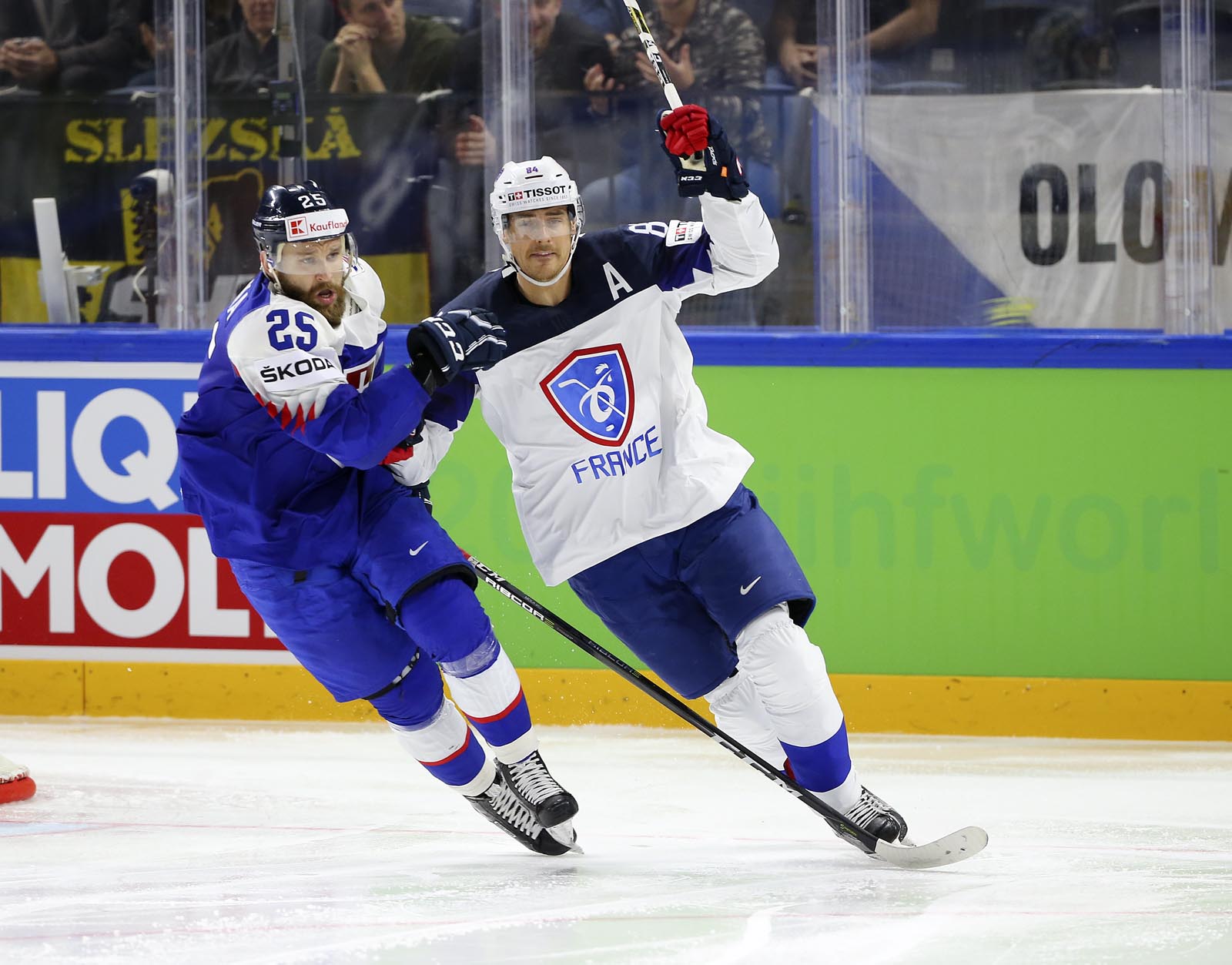 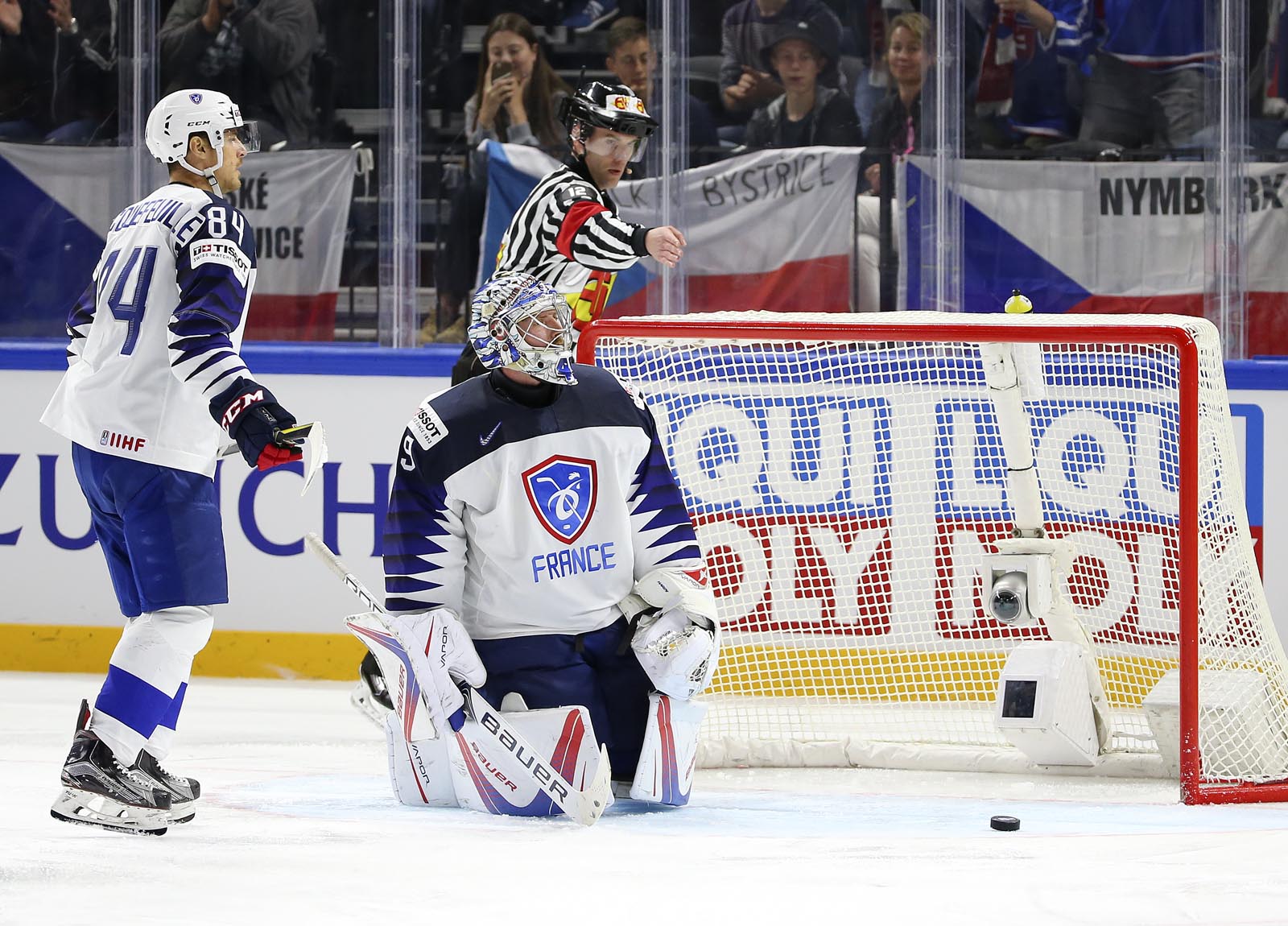 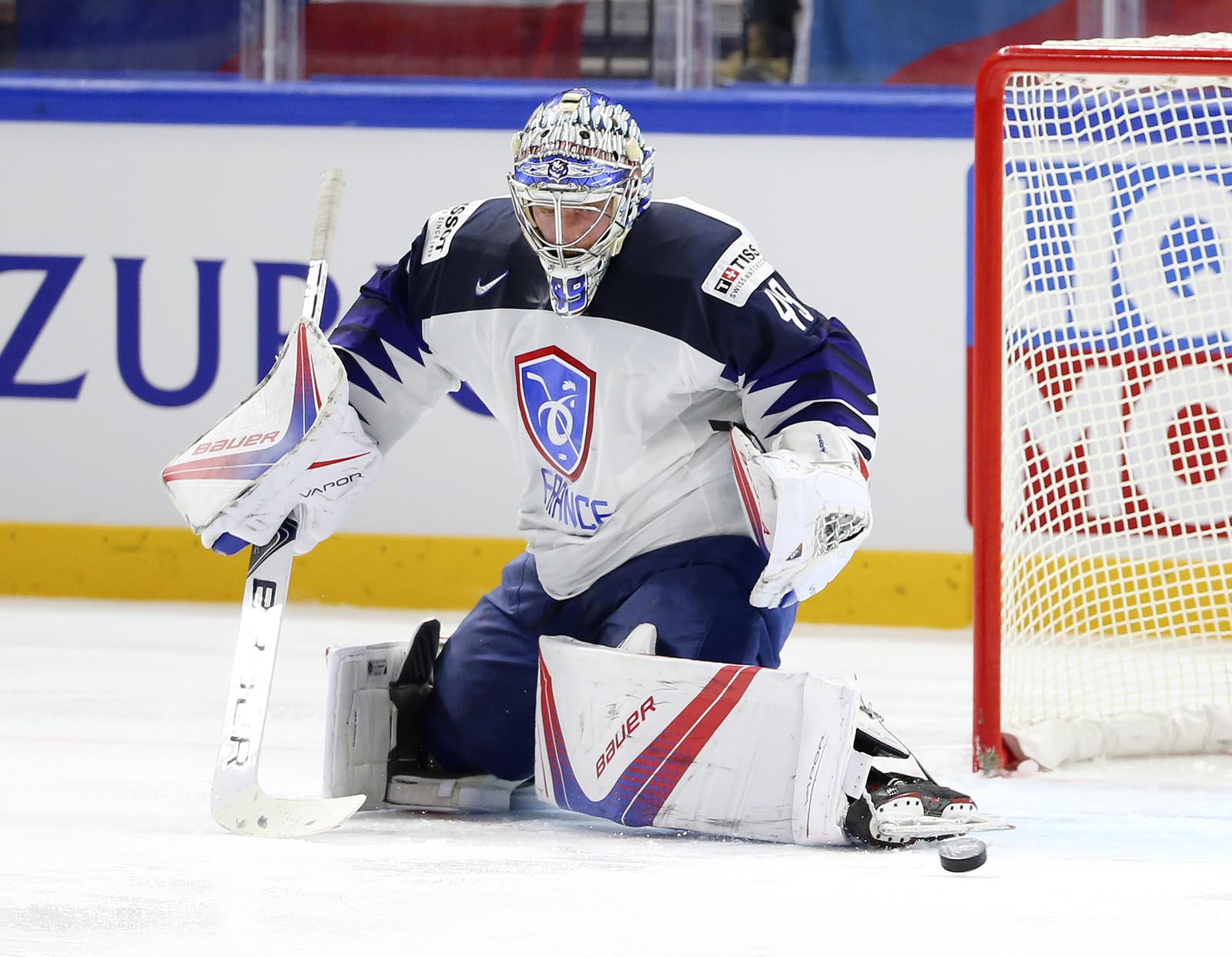 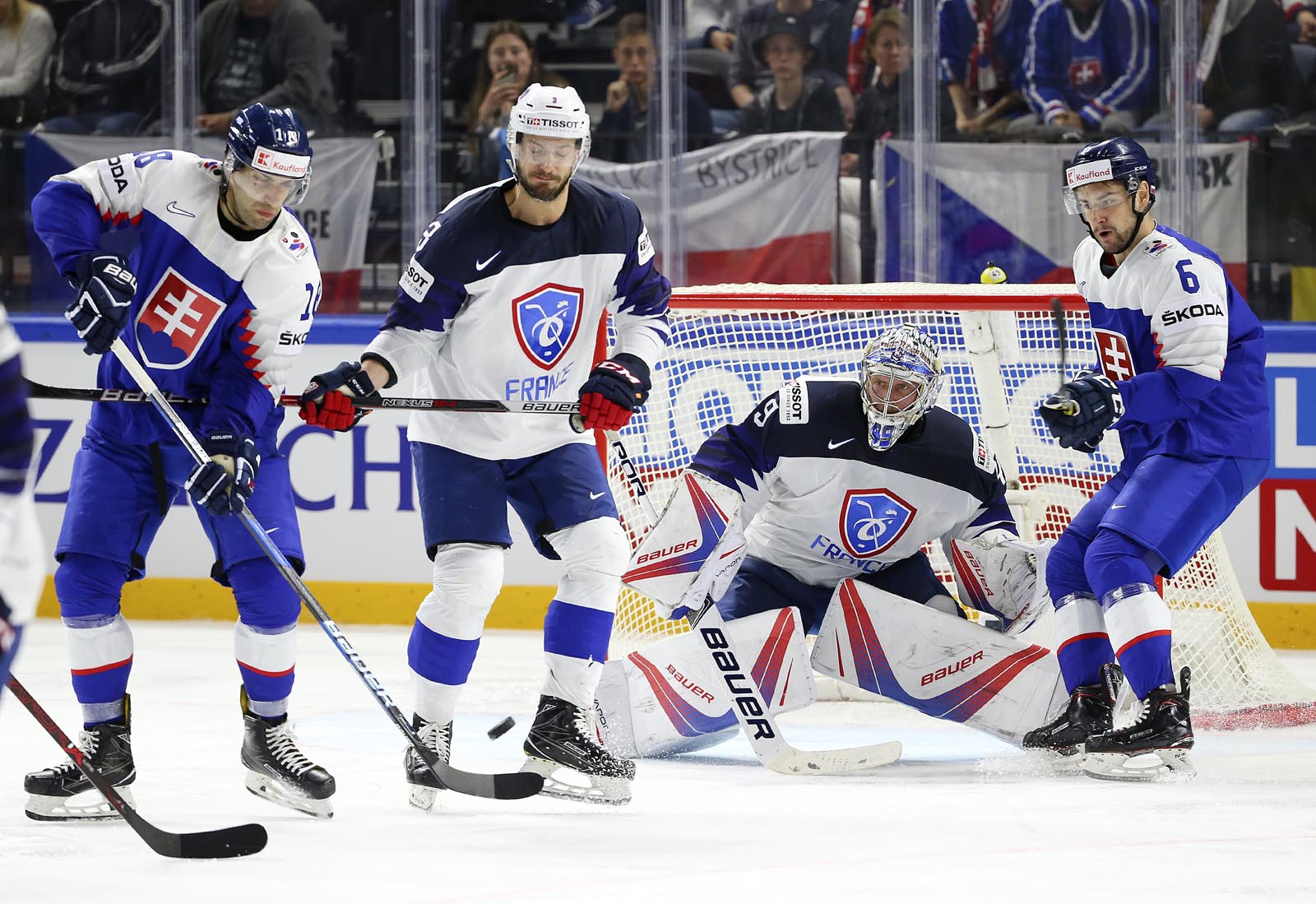 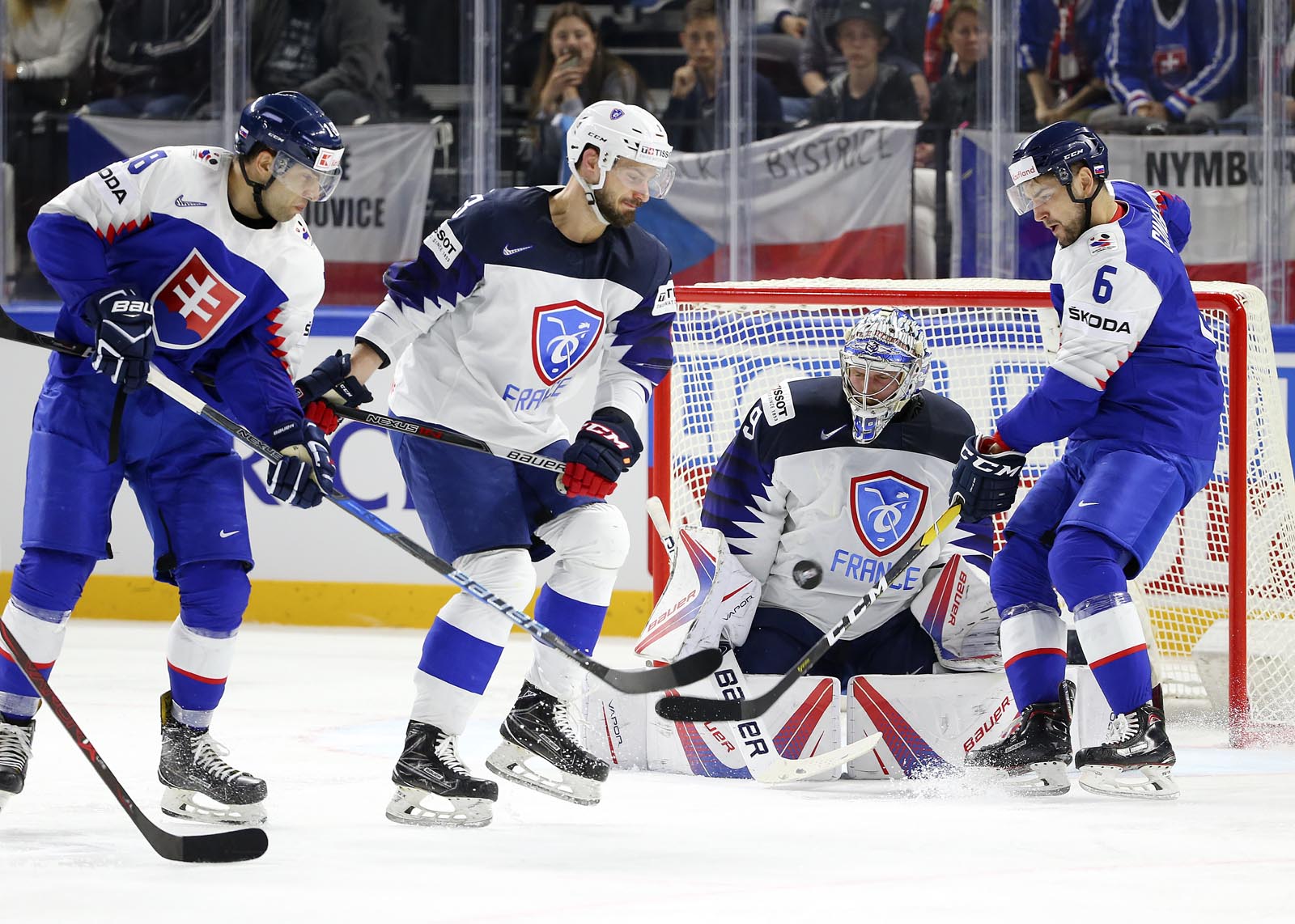 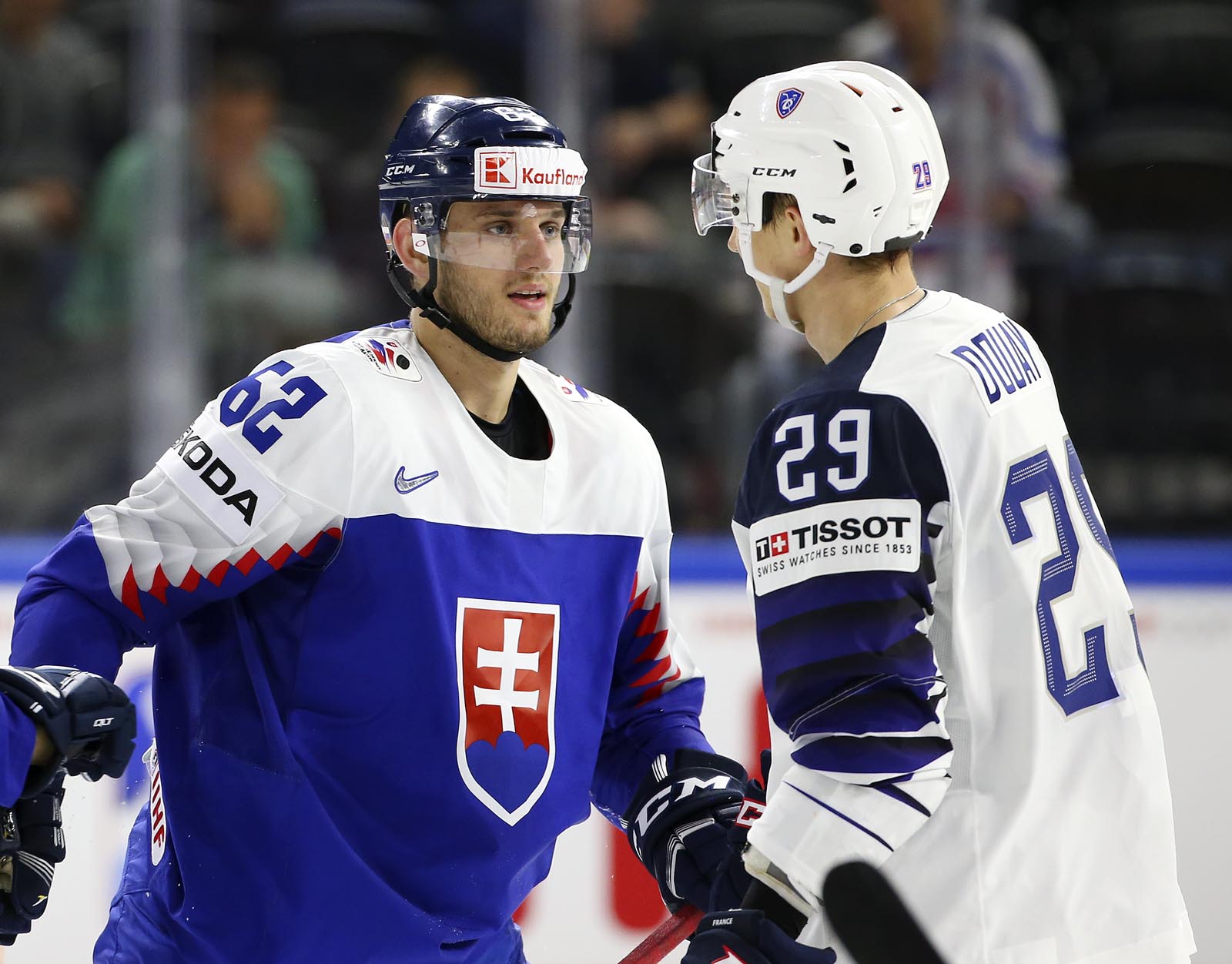 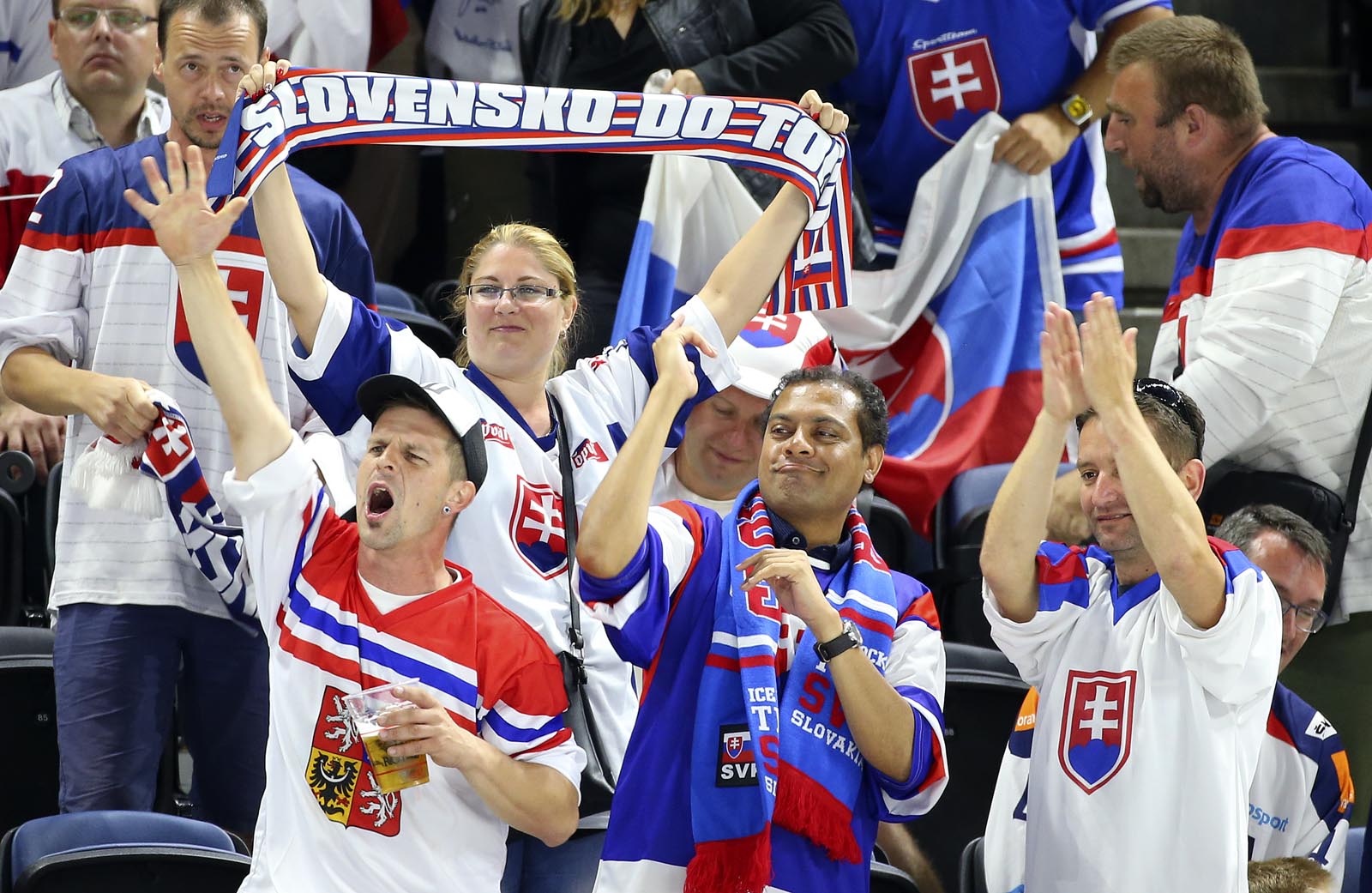 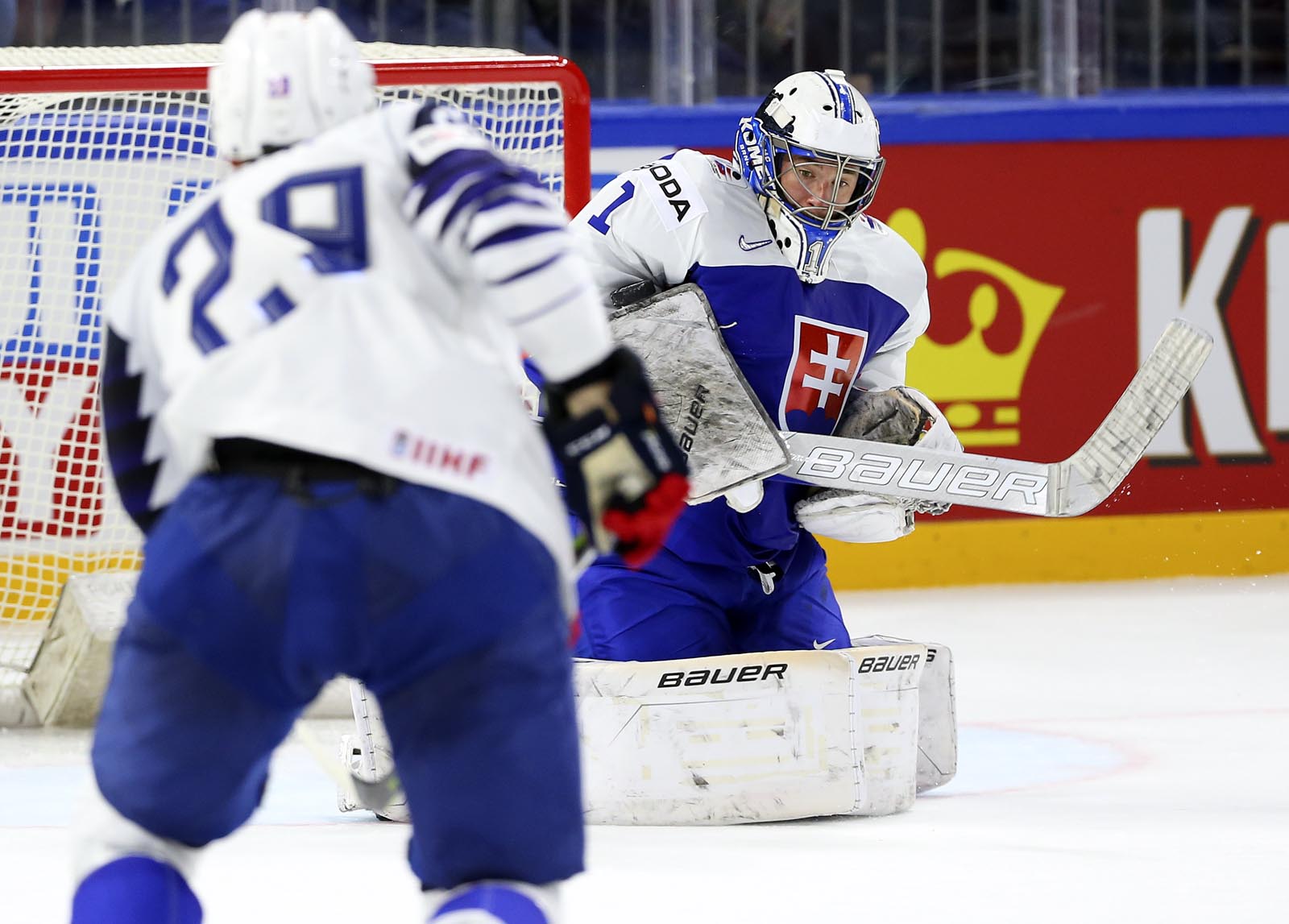 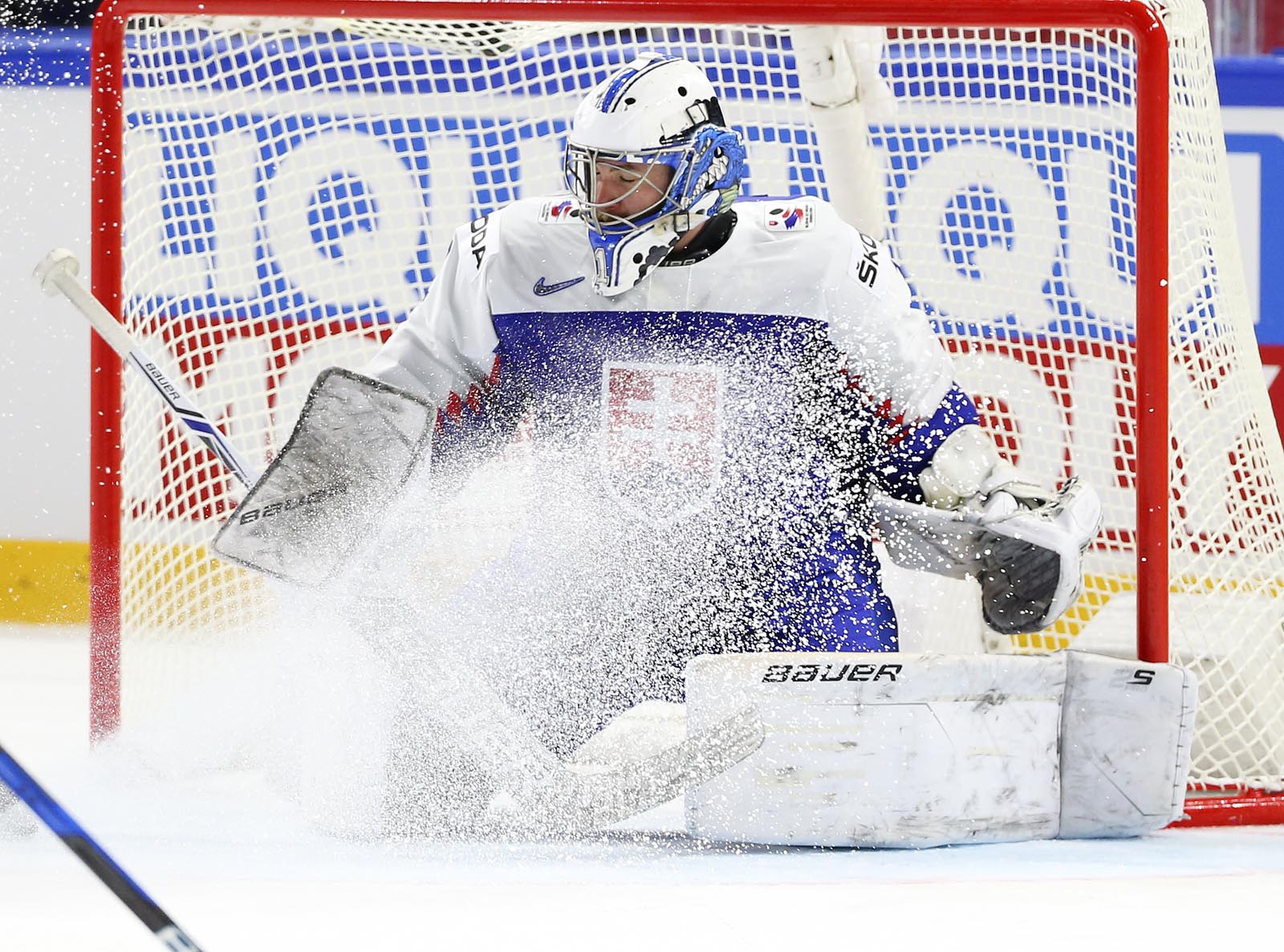 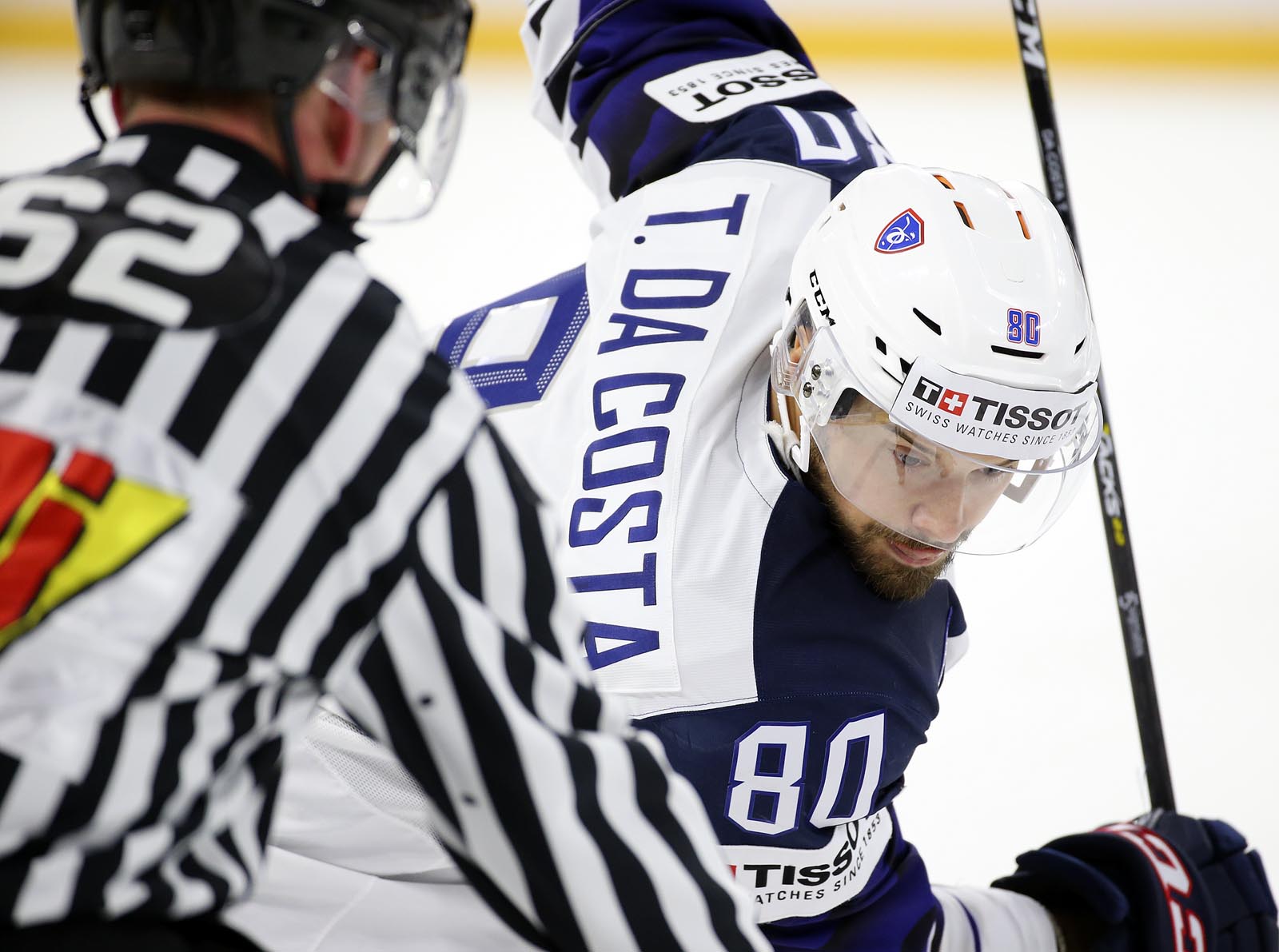 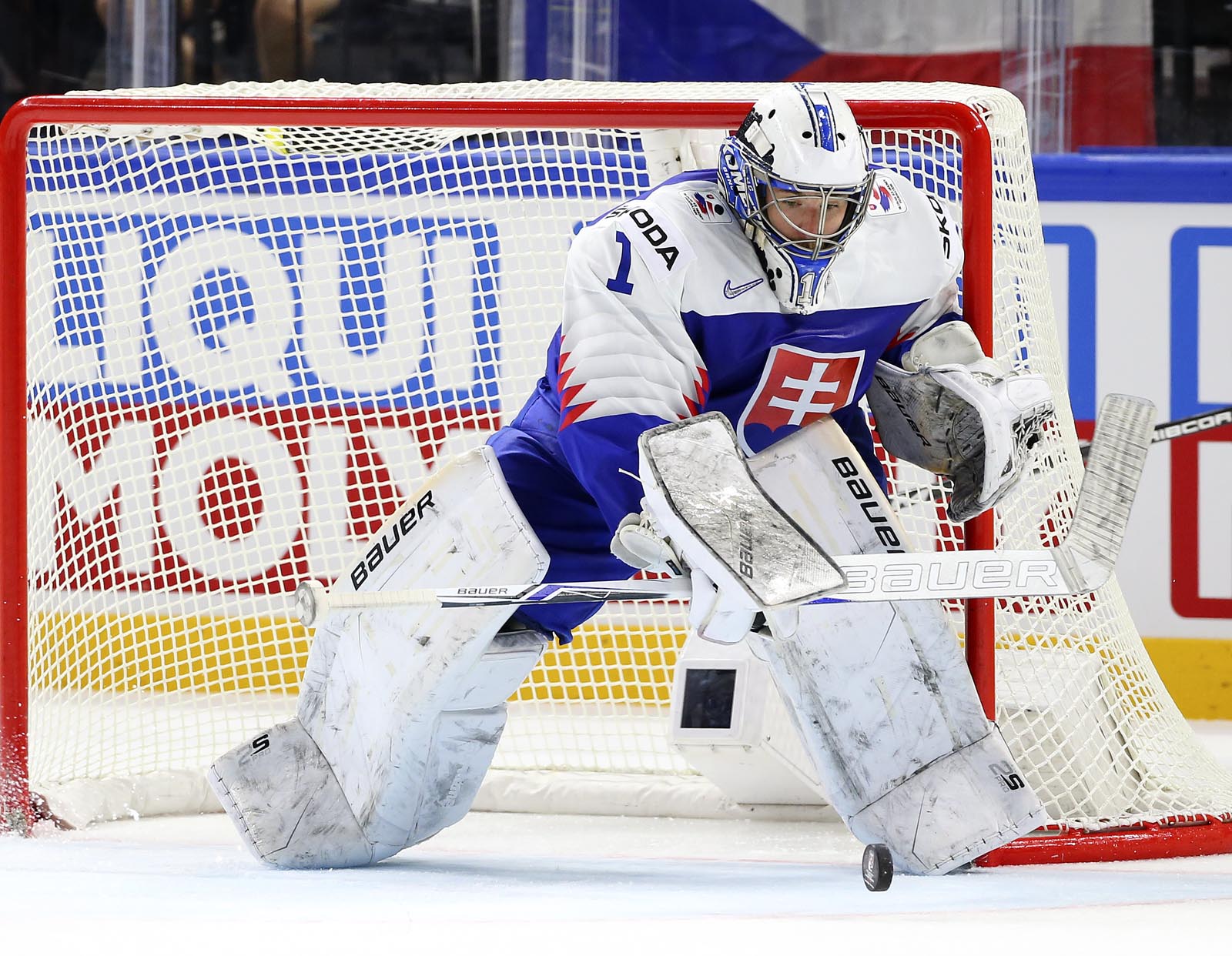 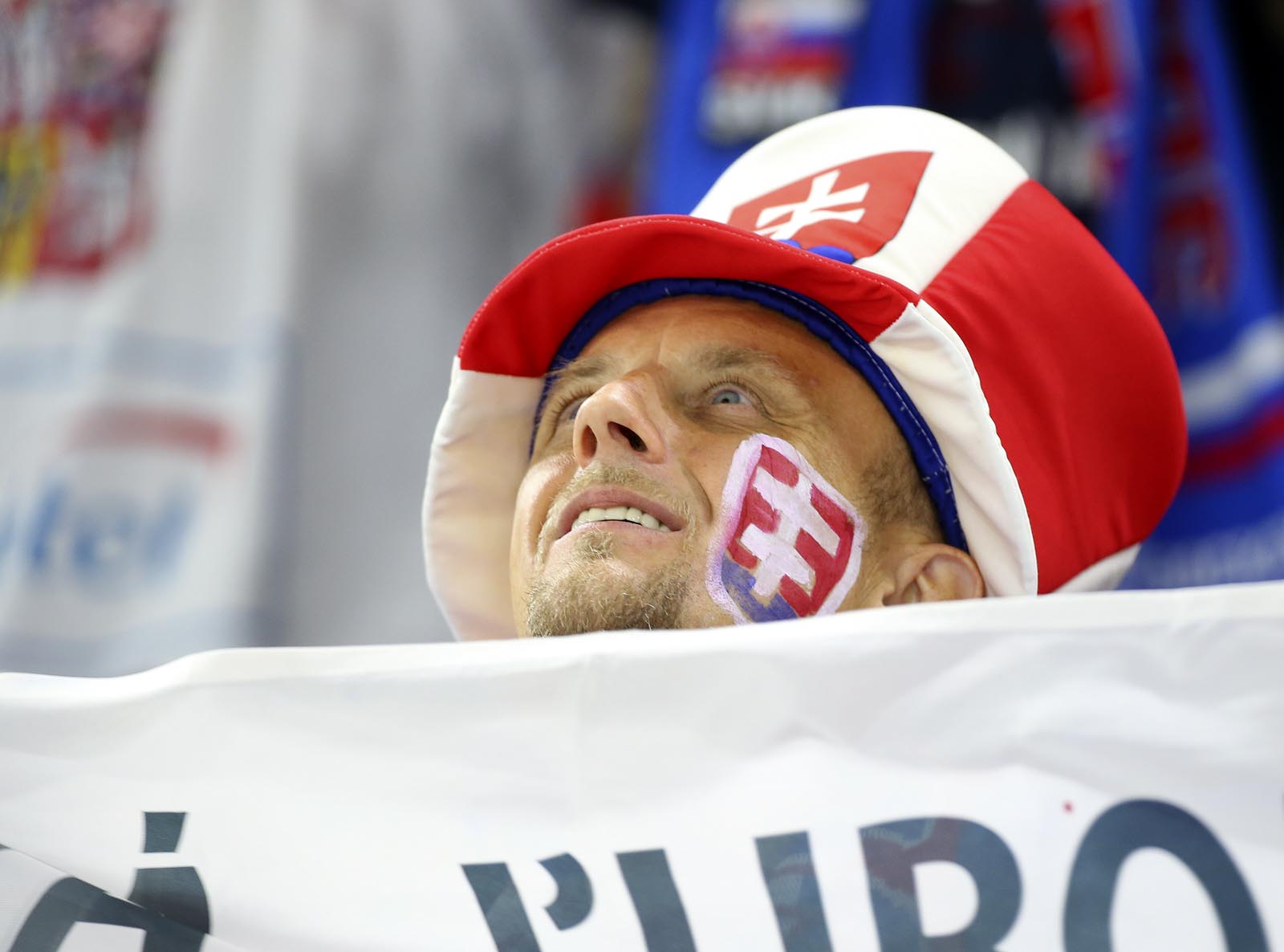 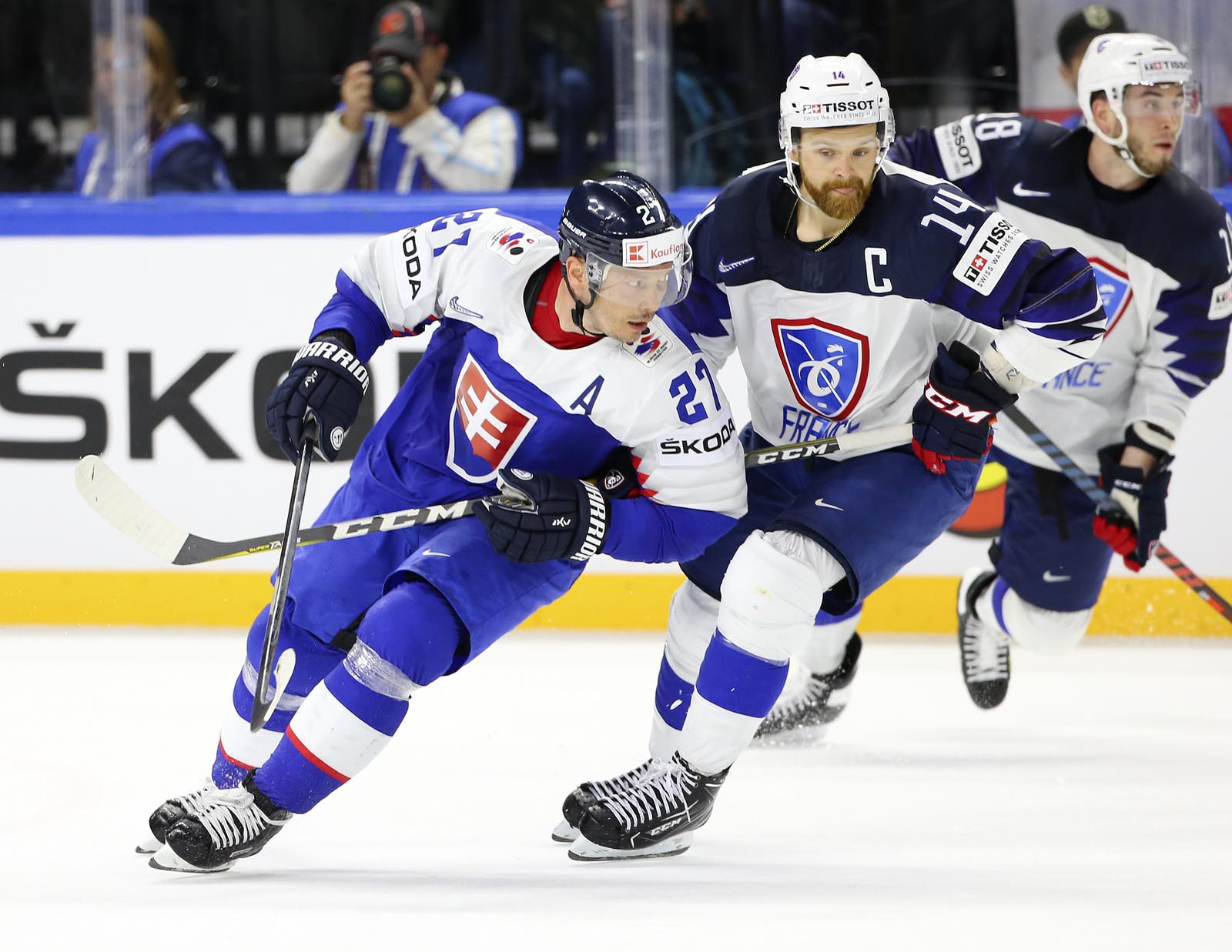 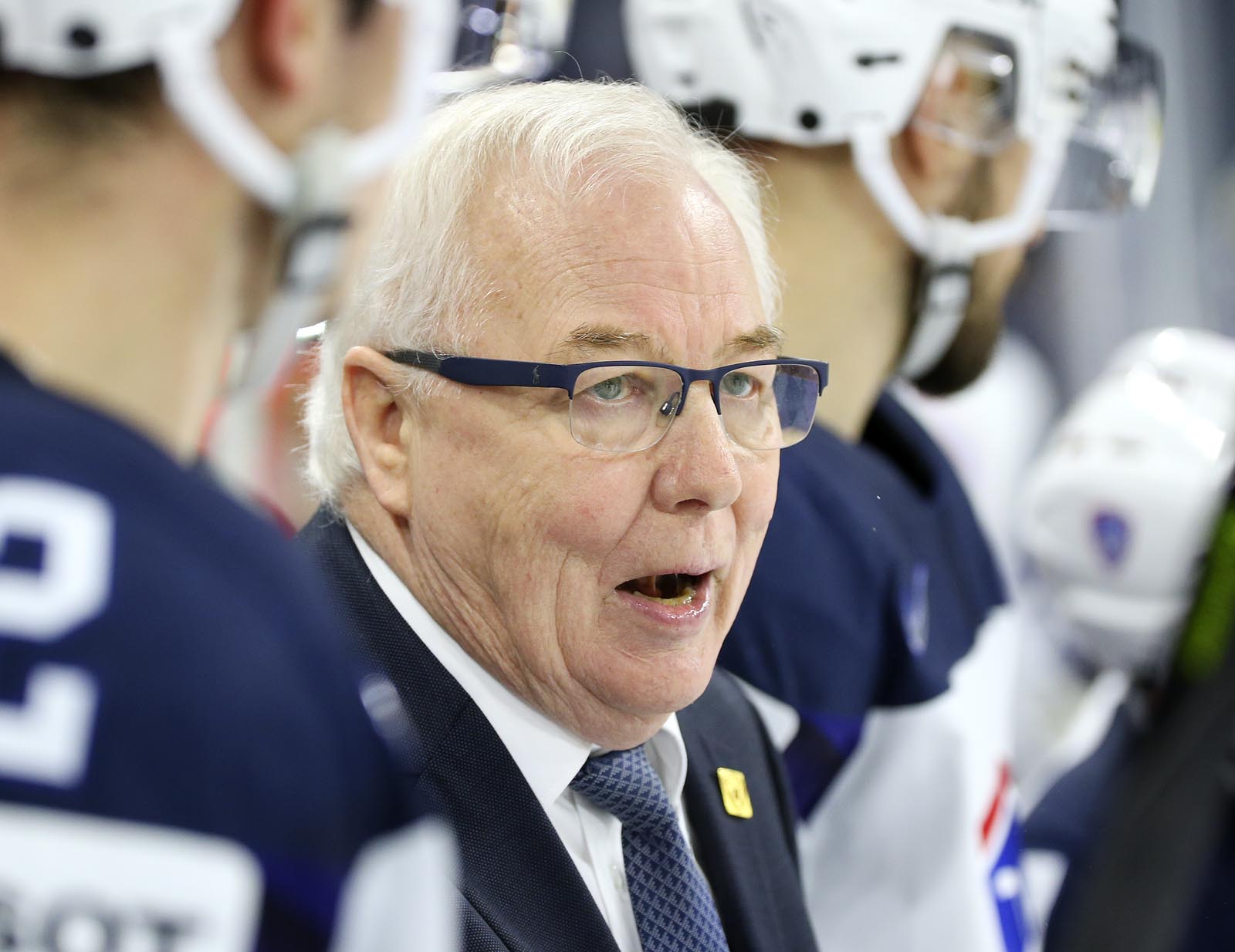 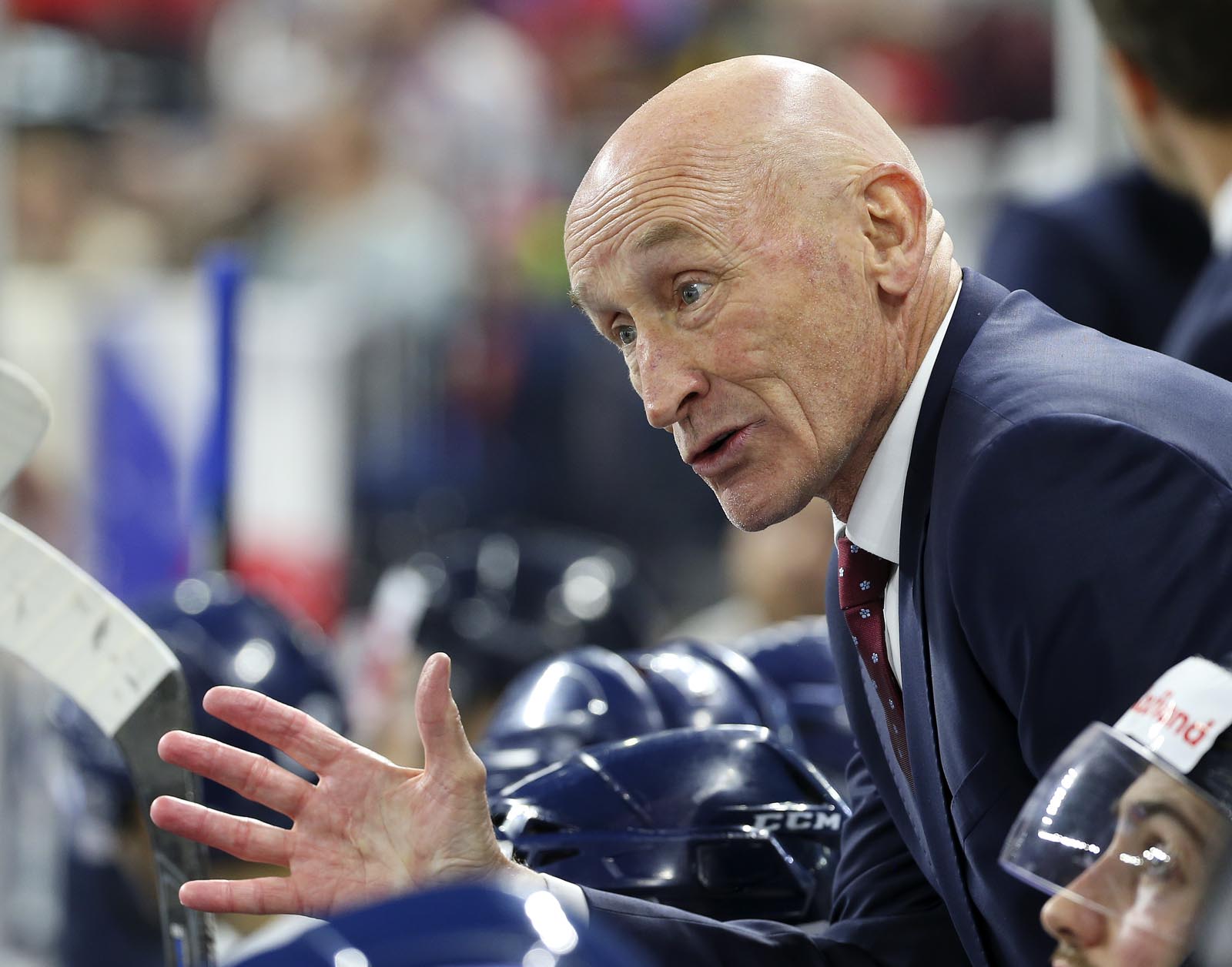 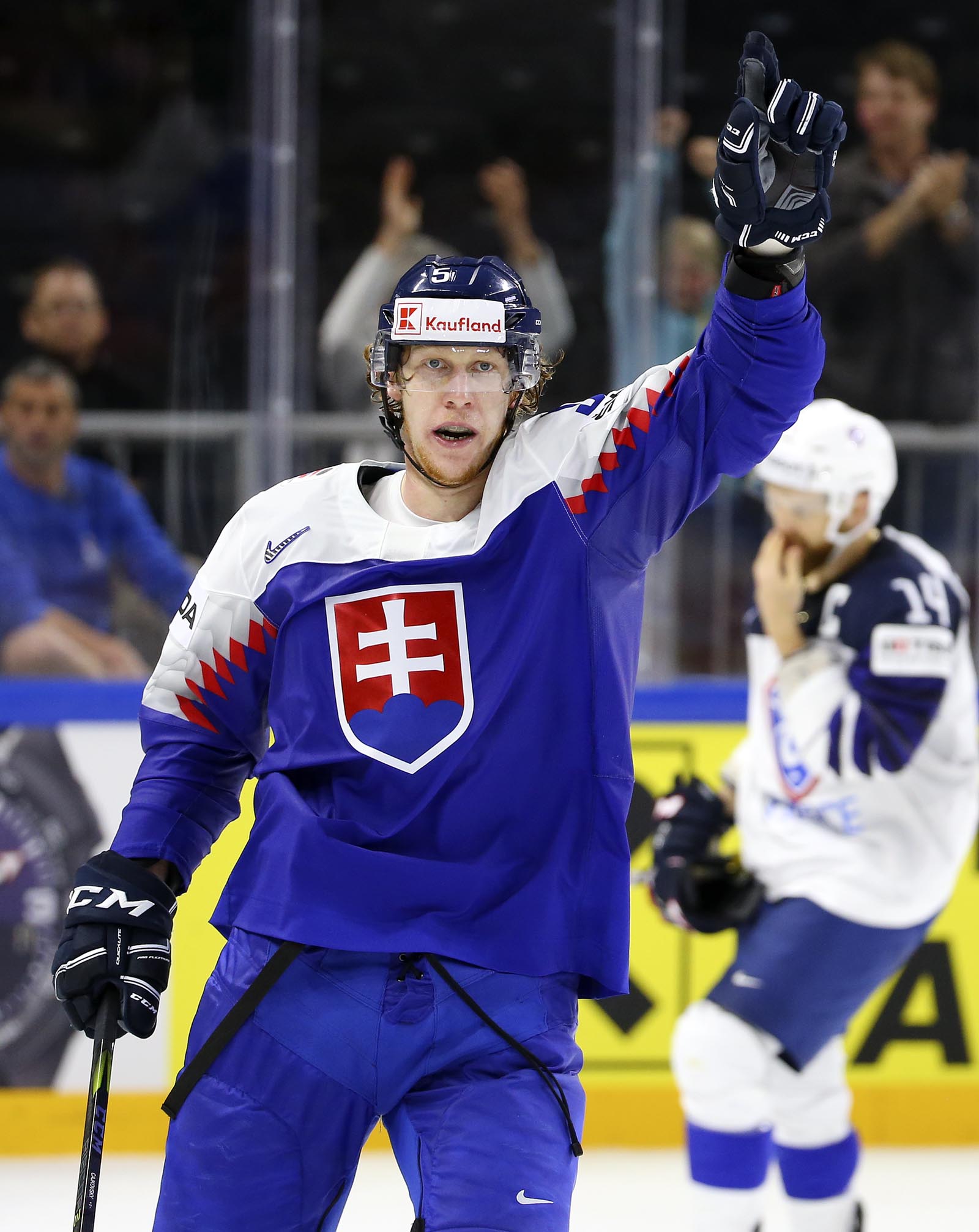 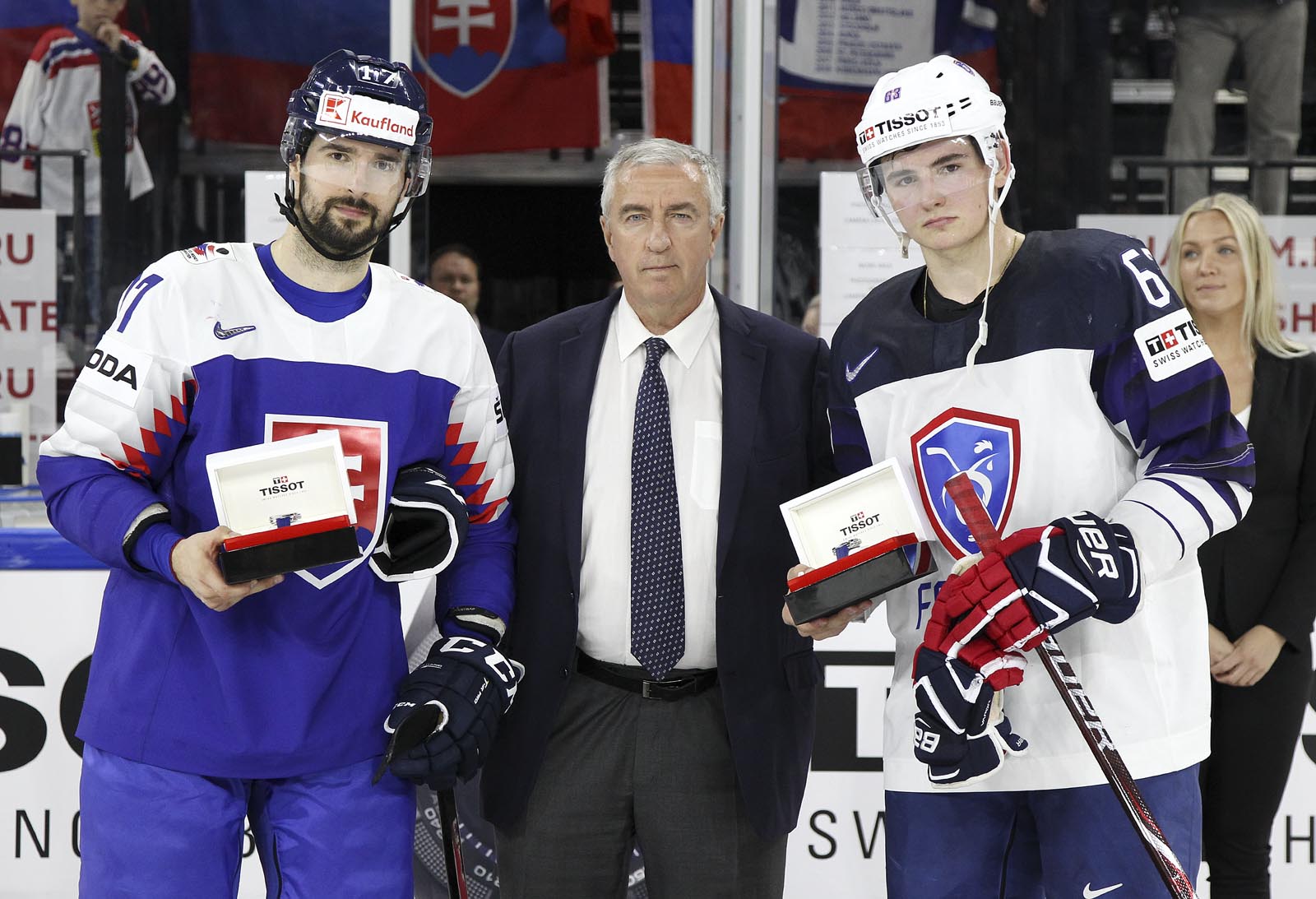 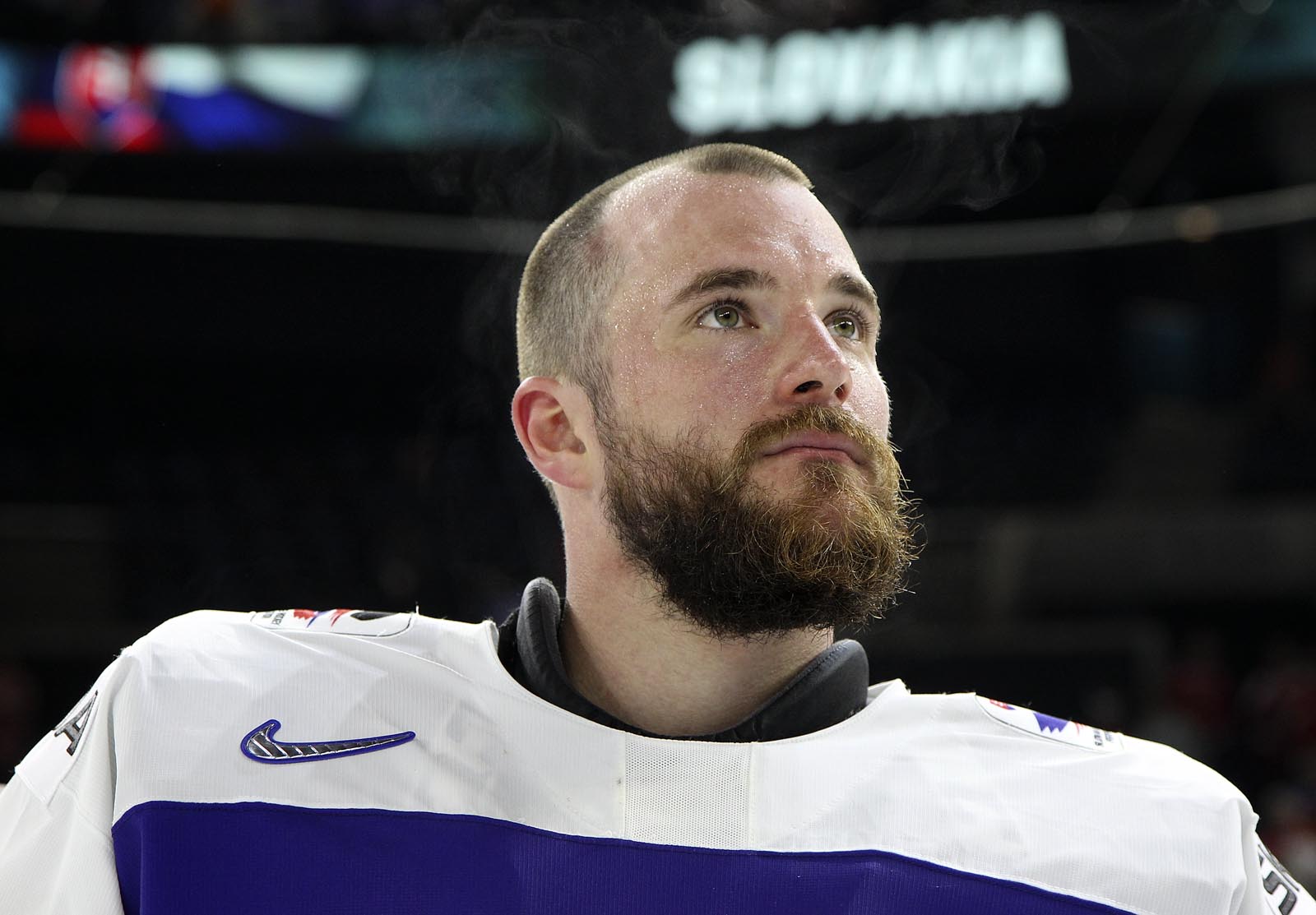