Shin shines, Korea wins
Sanghoon Shin celebrates one of his four goals for Korea in the game against Belarus with his teammates at the bench.
photo: Marat Akimzhanov
share
It was too late but Korea won its last game against Belarus 4-1. The Koreans still remain fourth in the standings and the Belarusian will finish in second place while Kazakhstan is known as tournament winner.

Korea recovered from the surprising loss yesterday against Lithuania but its exactly those points missing in the standings that won’t Korea allow to move up.

Sanghoon Shin was outstanding for Korea scoring all four goals.

“I’m happy that our team was able to win. We tried hard to compete and that’s why we won and why I was able to score the goals,” Shin said.

“It’s a bit disappointing that we couldn’t go up but maybe we will make it next year. There are things we can improve such as faster transition.”
World Men
Belarus vs. Korea - 2019 IIHF Ice Hockey World Championship Division I Group A
It came too late but Korea beat Belarus 4-1 thanks to four goals from Sanghoon Shin.
BLR KOR 05 MAY 2019
Belarus had the better start into the game and went up thanks to an early goal from Artyom Demkov. Then the Koreans became stronger throughout the game.

“In the first period we played well but then the opponent took the initiative and started scoring goals. We had a tough game yesterday, so it was hard for our players today. The most important thing for us is to be in the top division,” Belarus head coach Andrei Sidorenko said.

The Koreans had more fuel in the tank and tied the game in the middle frame.

After a lost puck in the own zone Sanghoon Shin had a breakaway and beat Belarusian goaltender Dmitri Milchakov glove side.

“It was a great game for us, we battled hard and were determined to come out with a victory. It shows the character of our players that they came back after the loss against Lithuania and despite the standings being set,” Korea head coach Jim Paek said.

In the third period it was again Sanghoon Shin, who gave Korea the lead when he scored at a rebound at 9:07.

Belarus had chances to tie the game but instead the Koreans used the room for counter-attacks. With 3:24 left the Koreans sealed the win with the 3-1 goal and again it was Shin. After a horizontal pass in front of the crease from Chonghyun Lee, Shin completed his hat trick and with 73 seconds left to play added another marker into the empty net.
Belarus vs. Korea - 2019 IIHF Ice Hockey World Championship Division I Group A 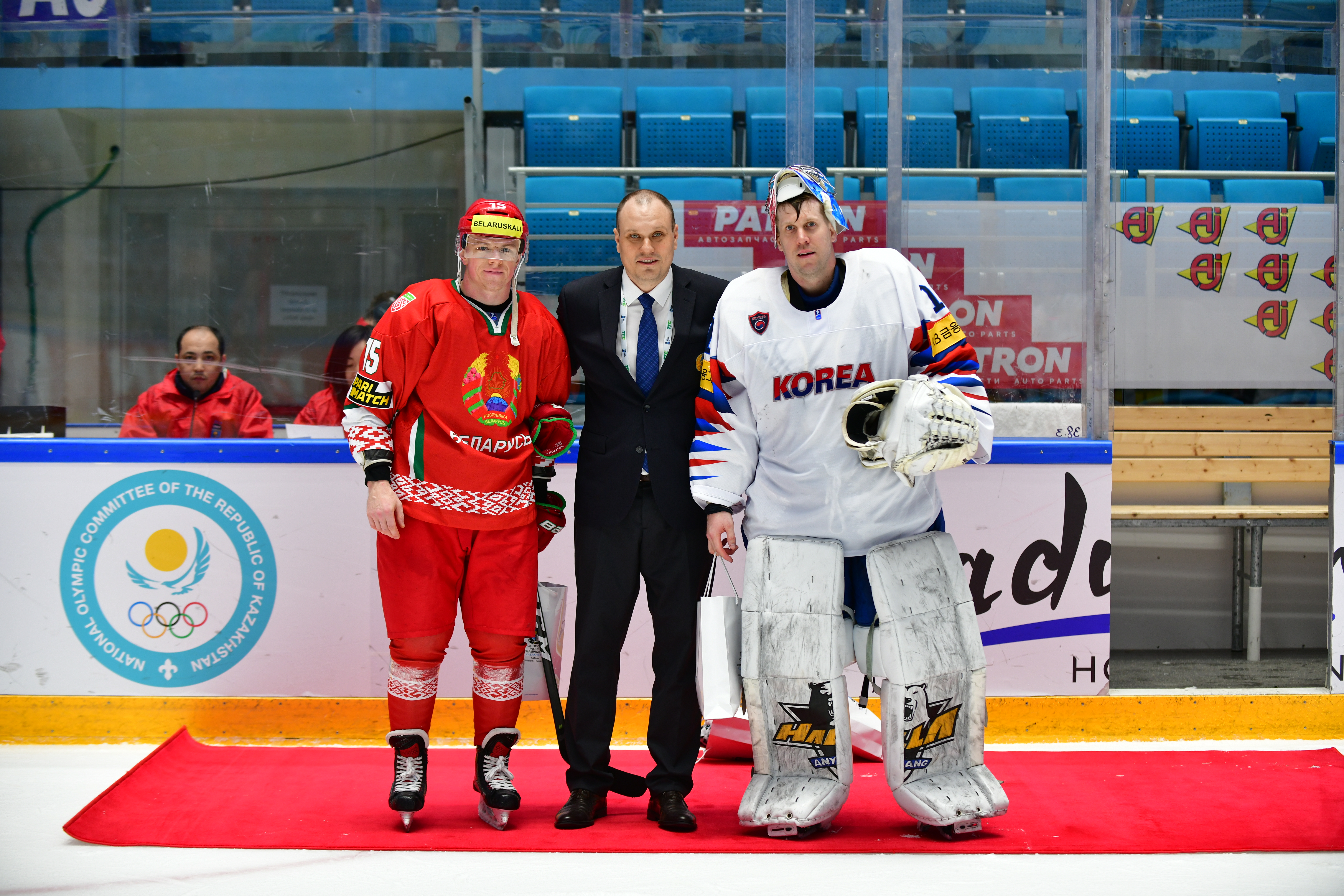 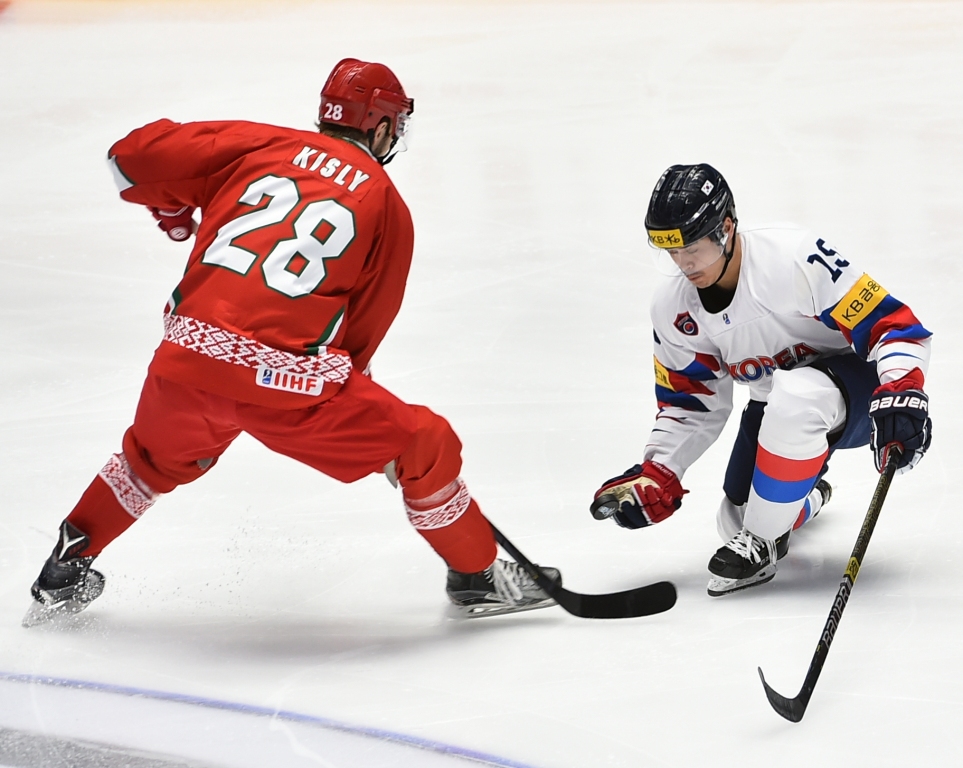 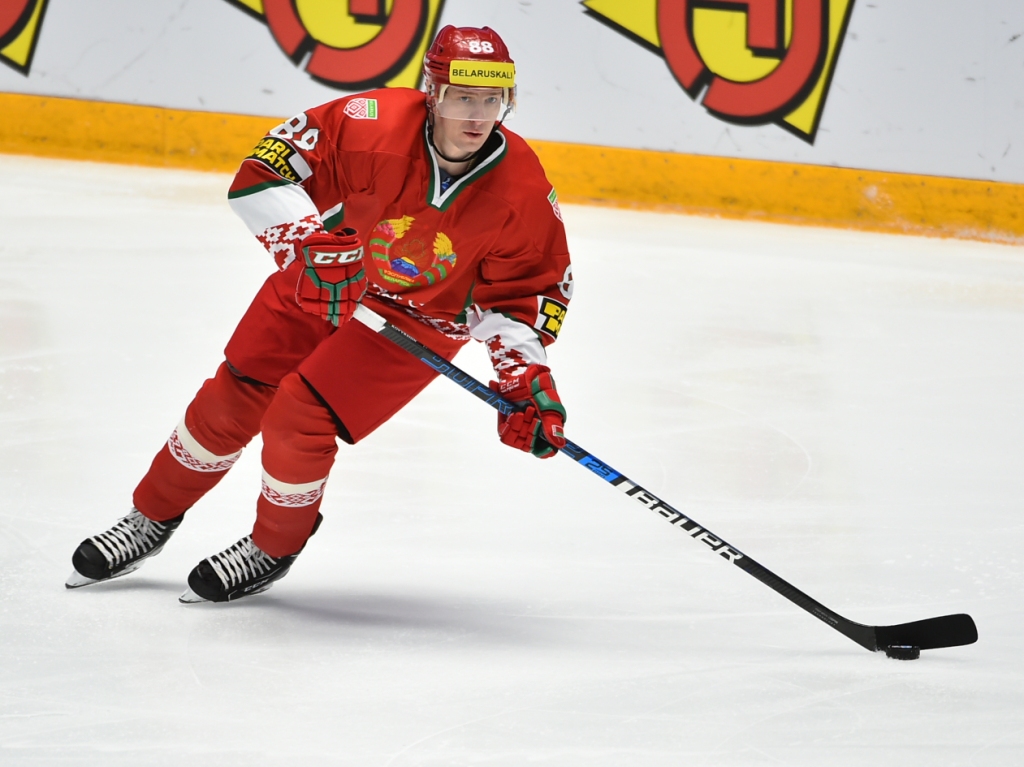 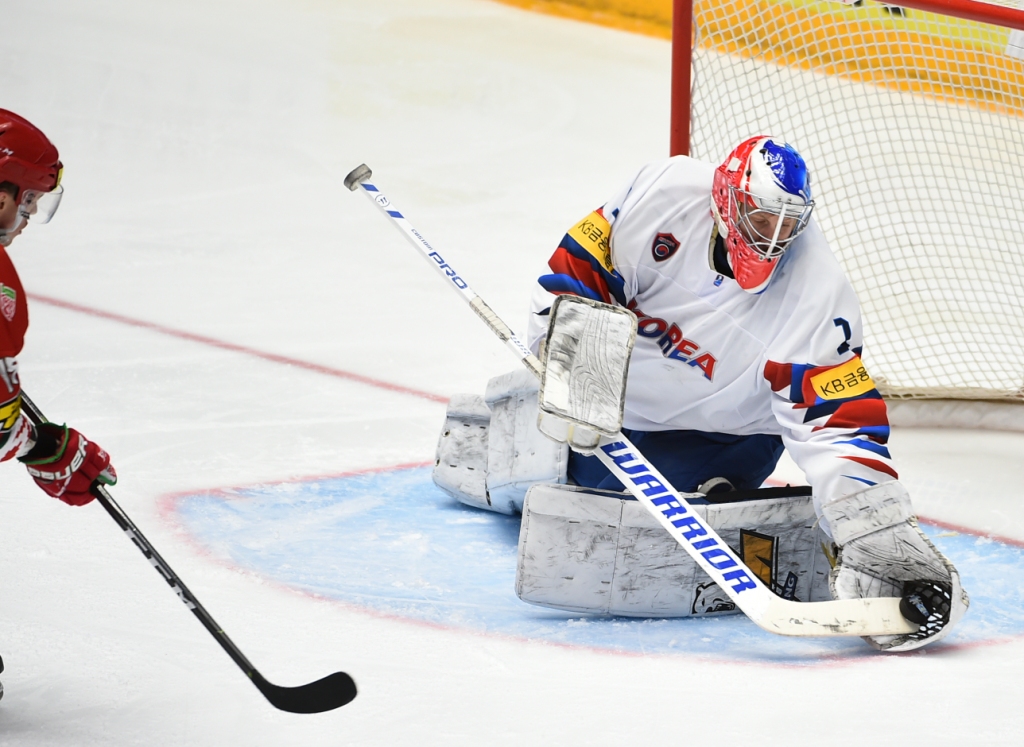 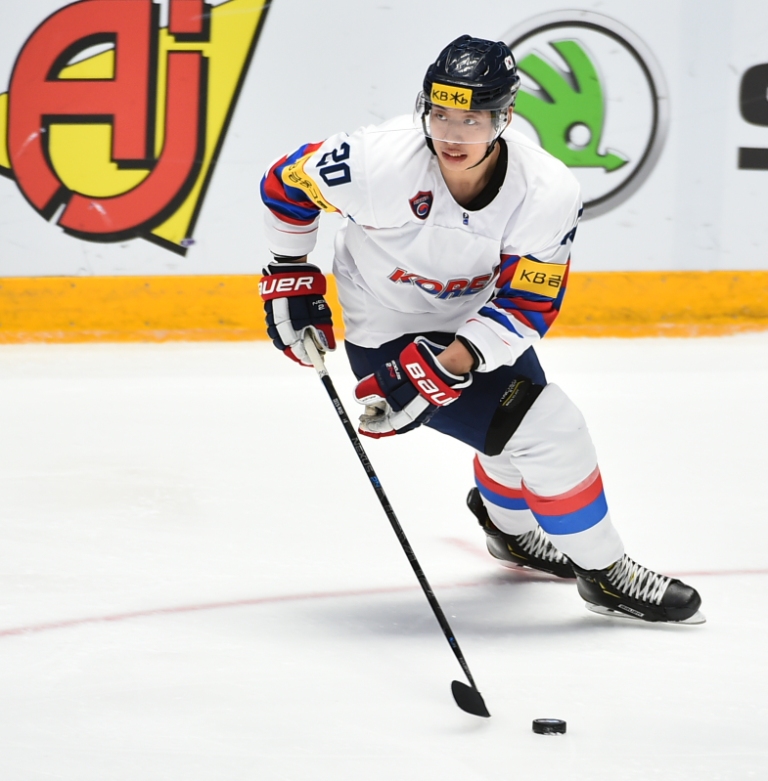 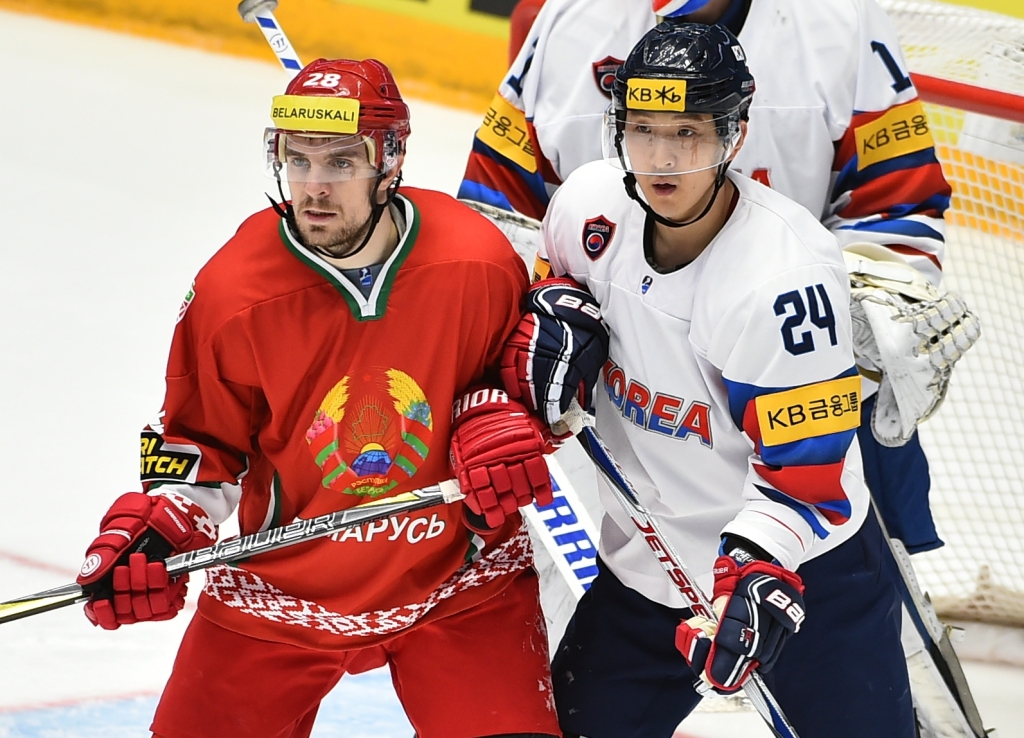 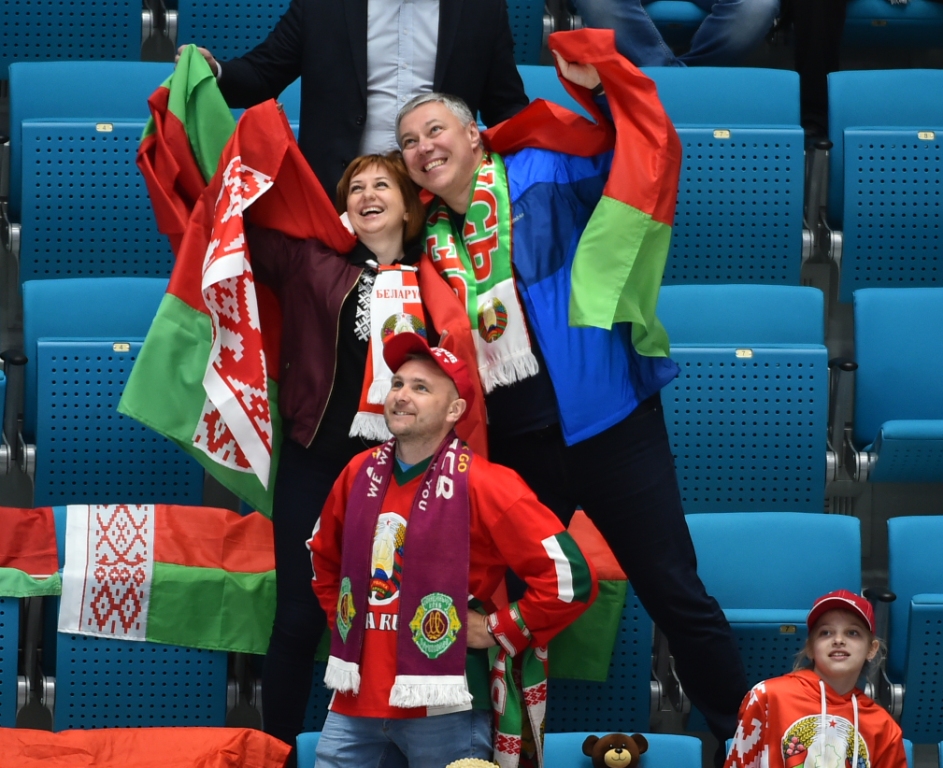 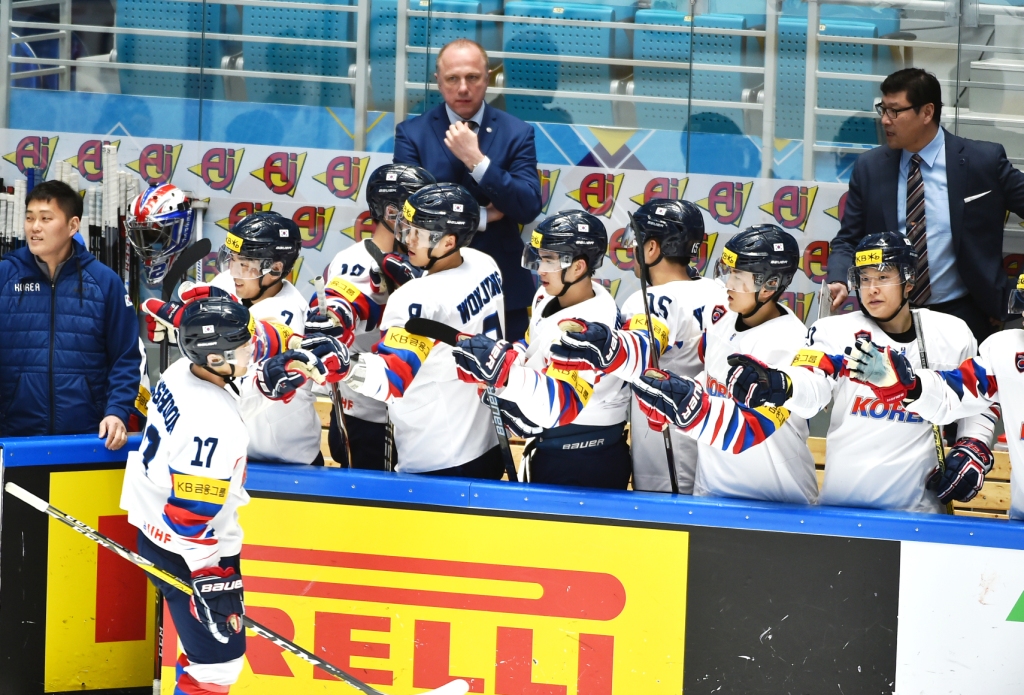 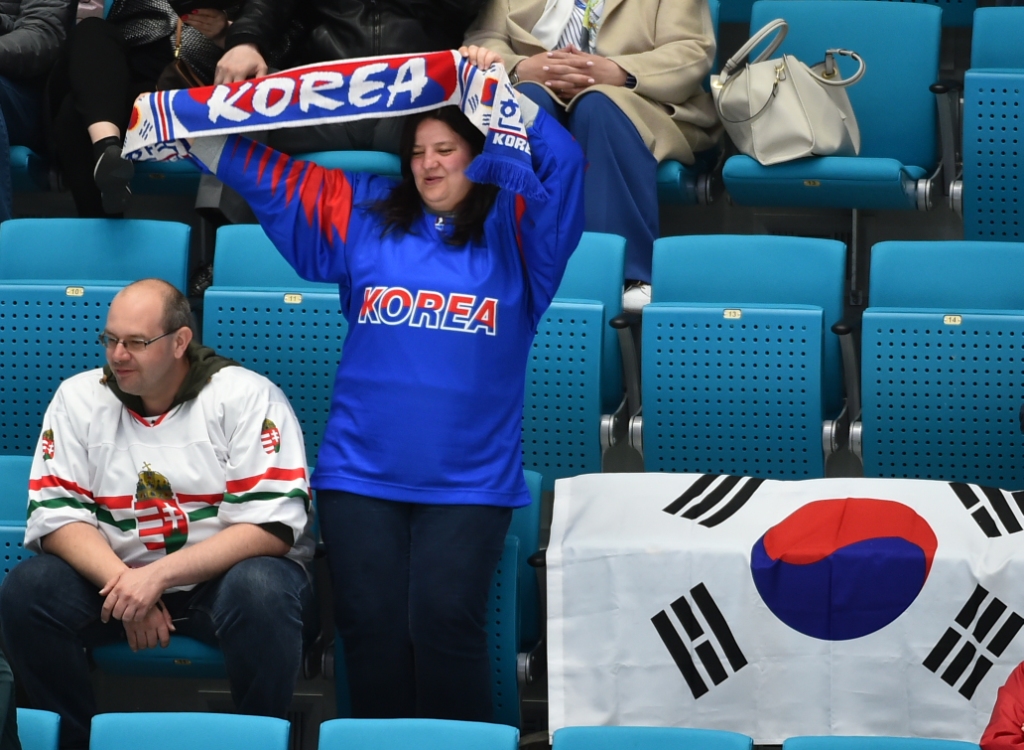 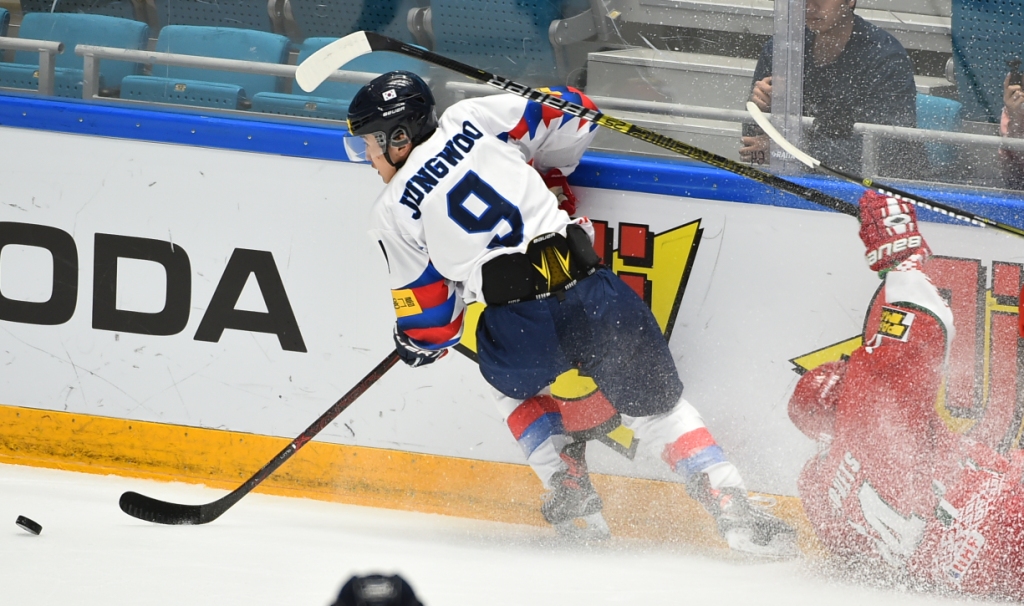 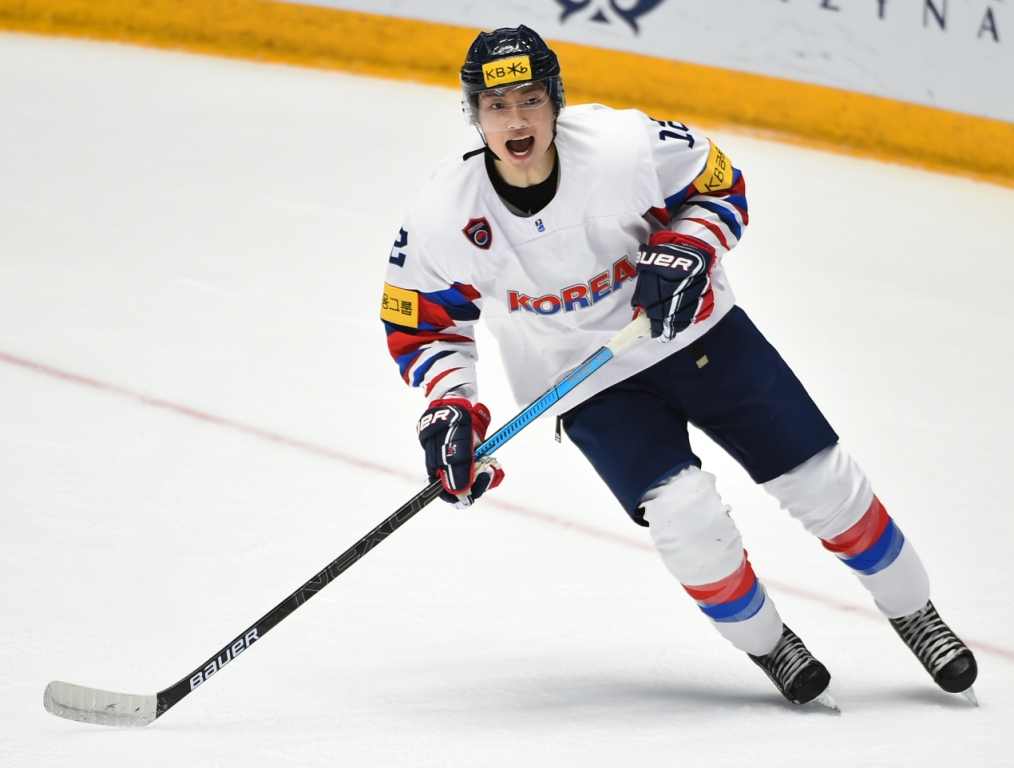 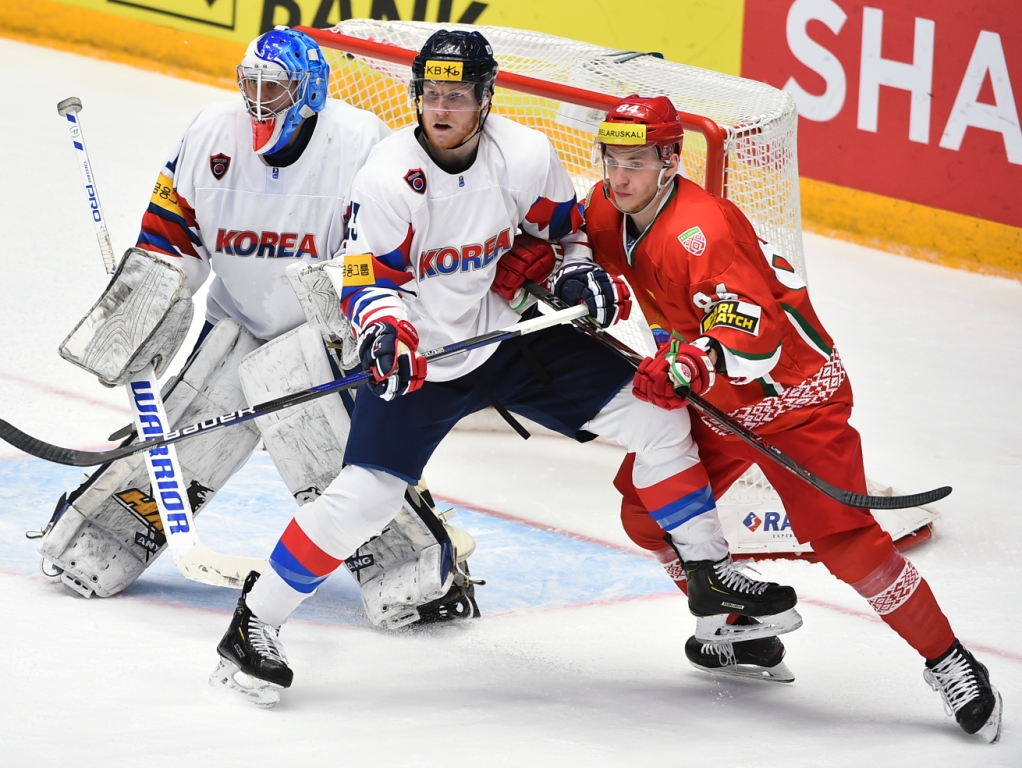 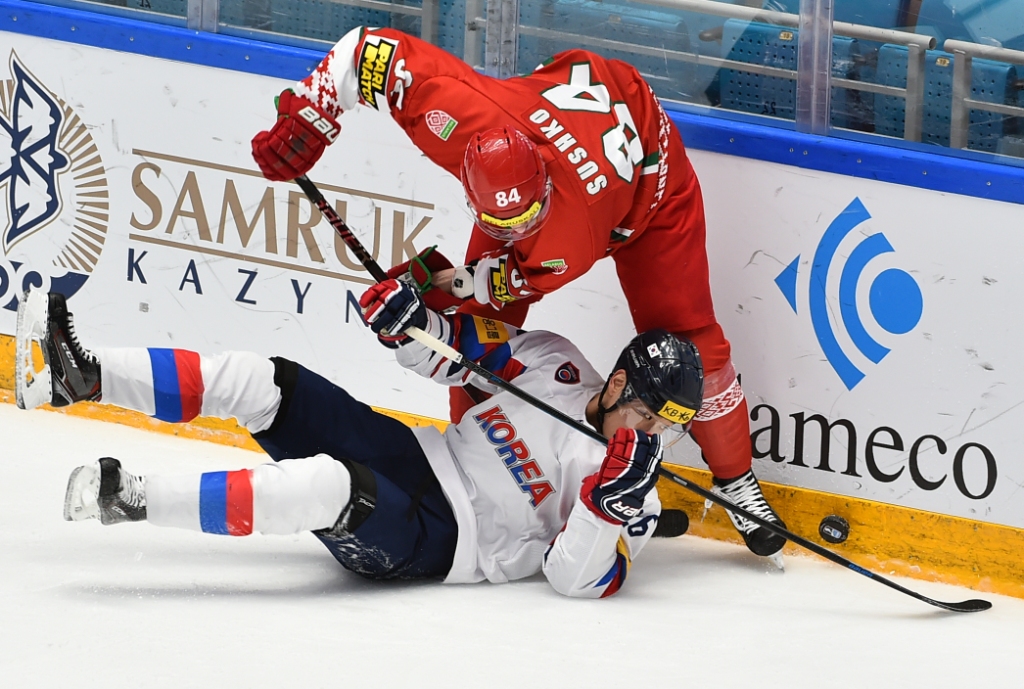 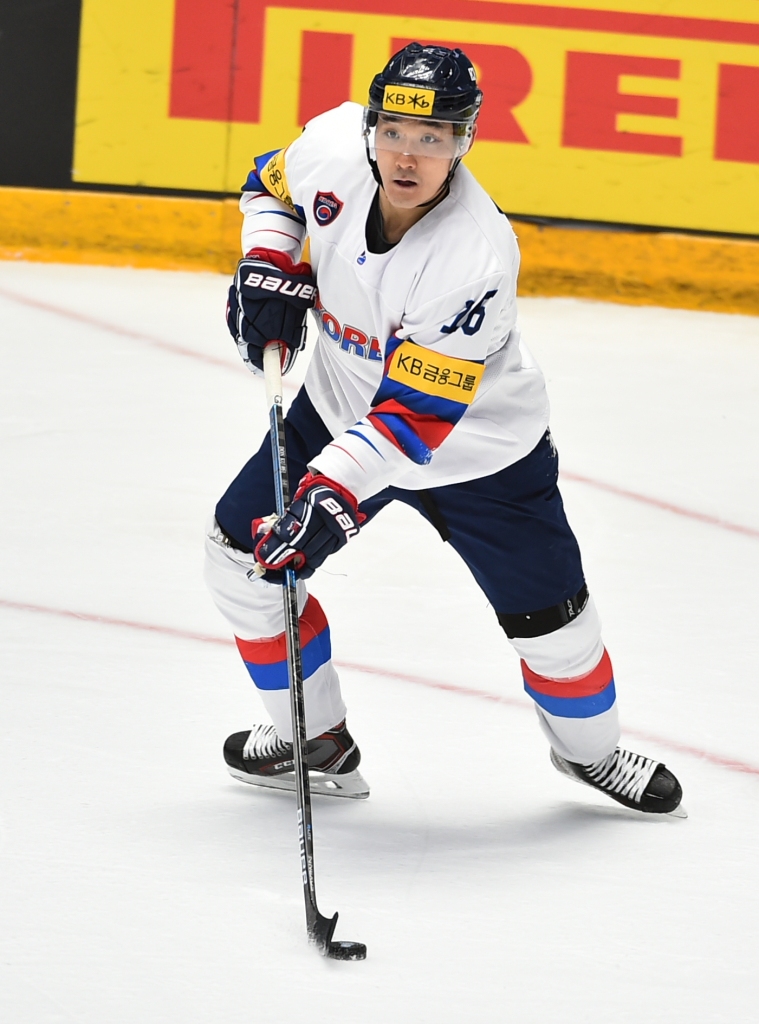 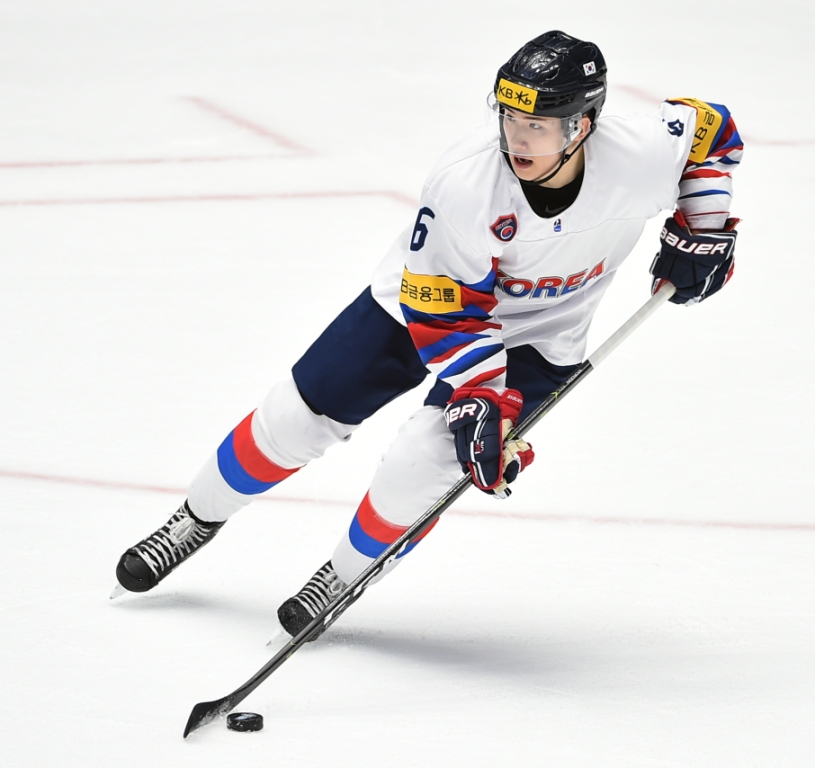 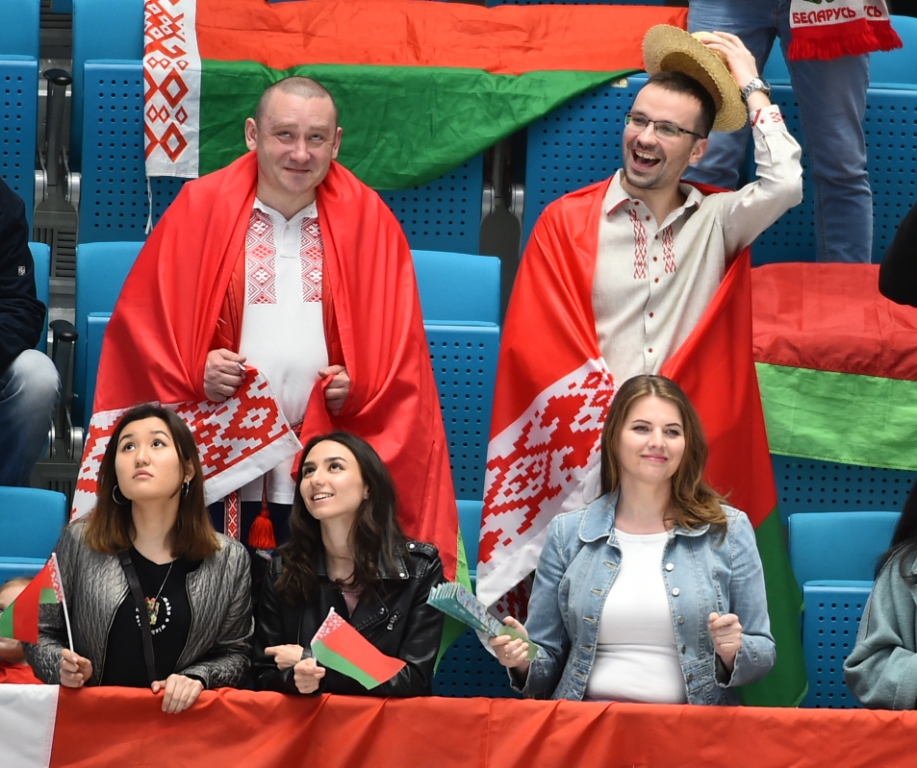 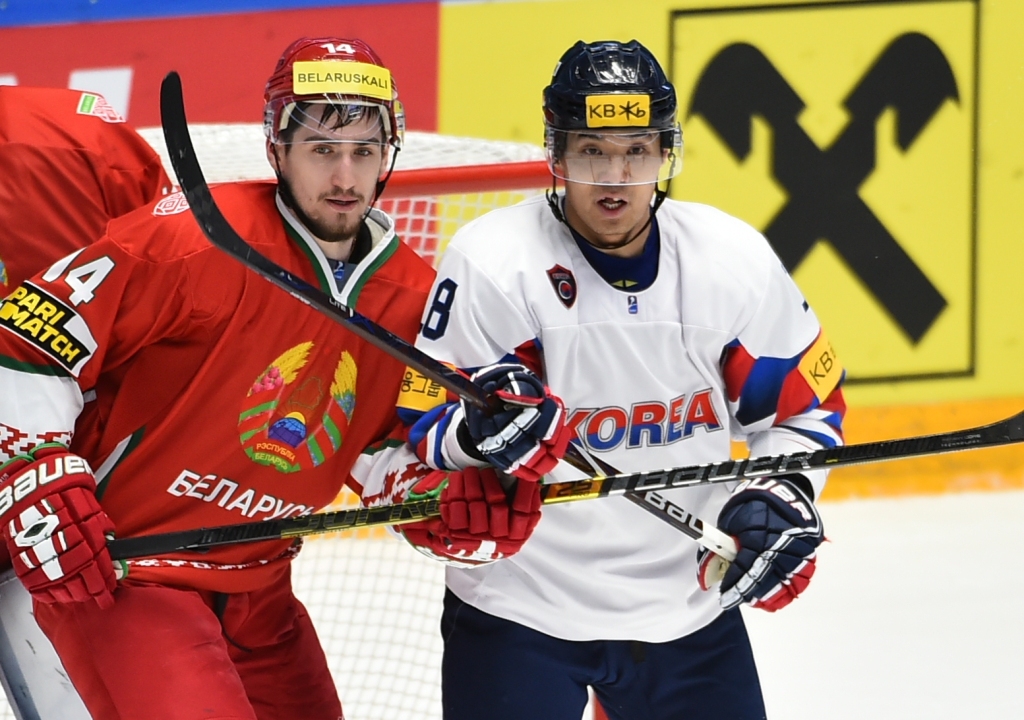 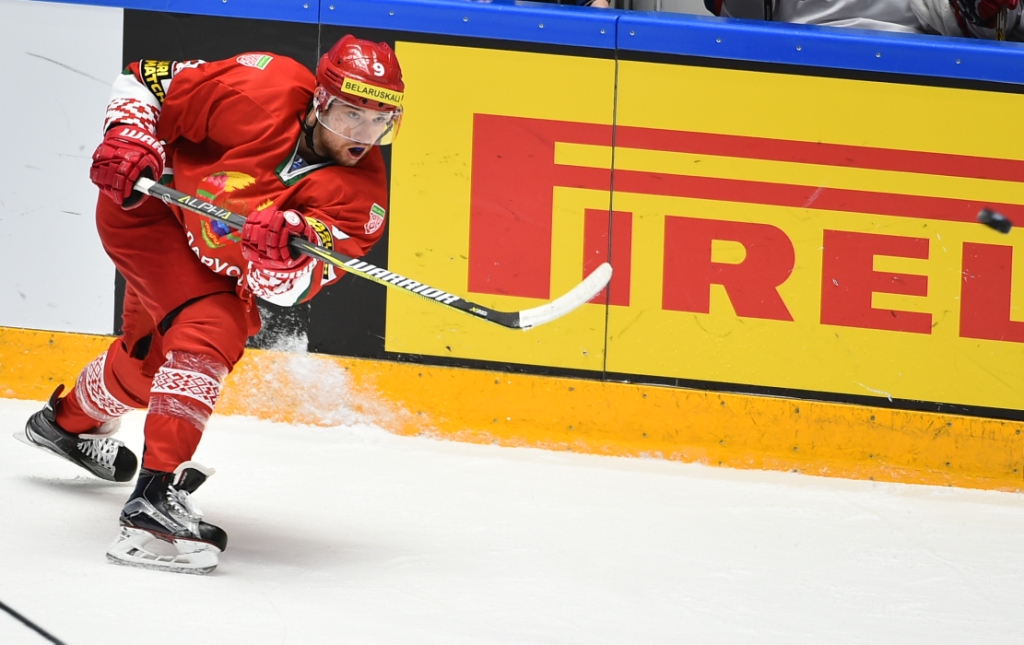 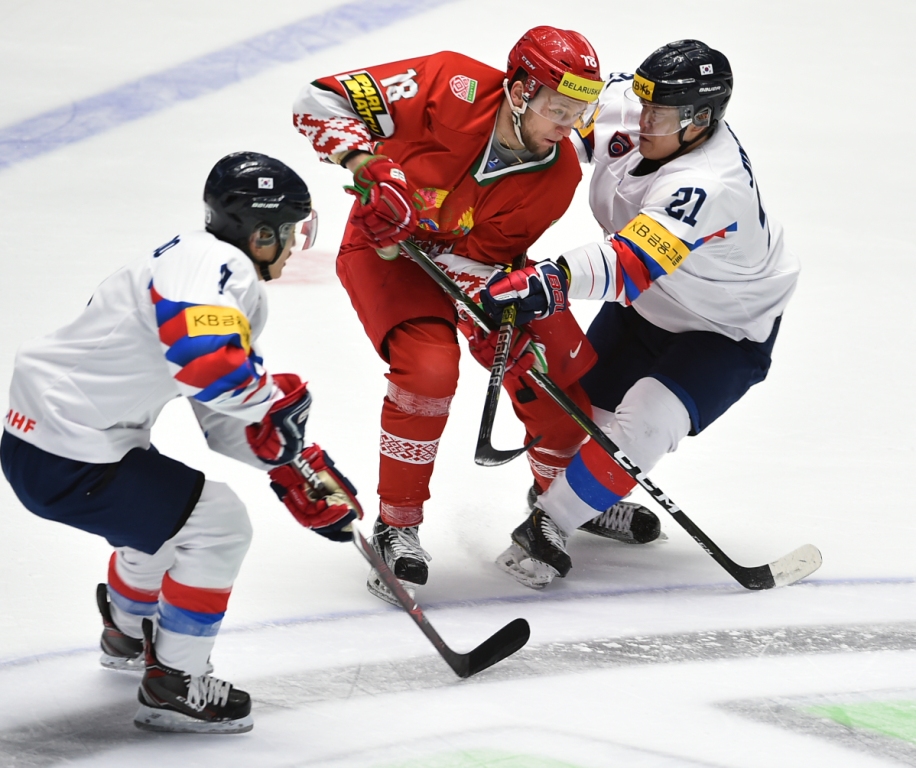 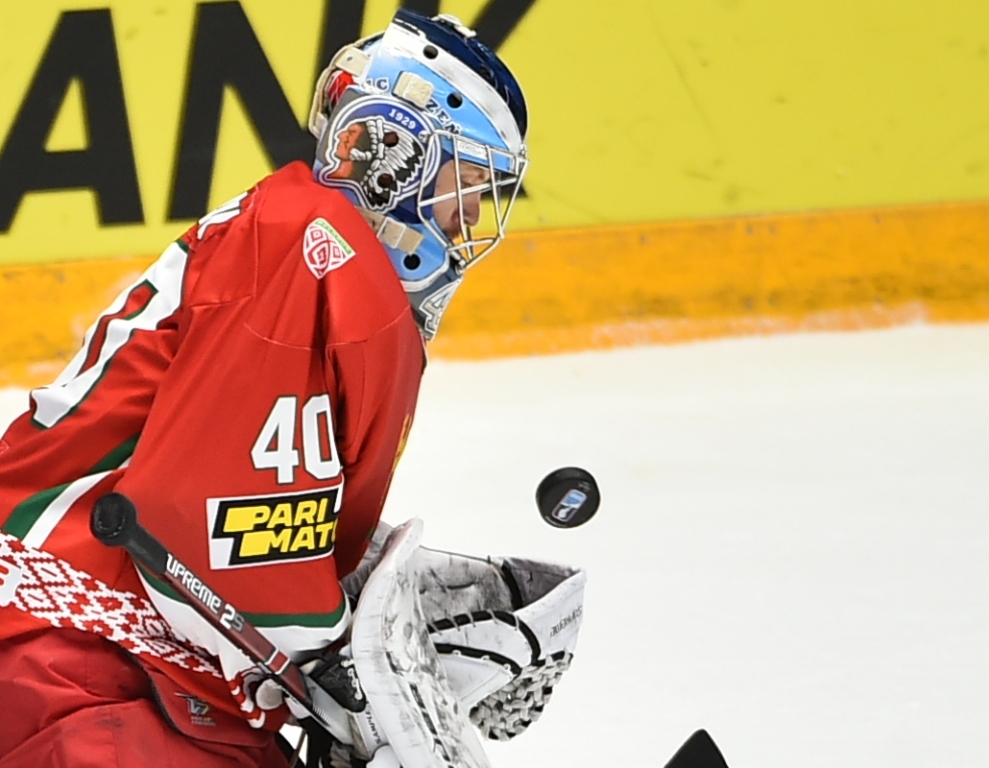 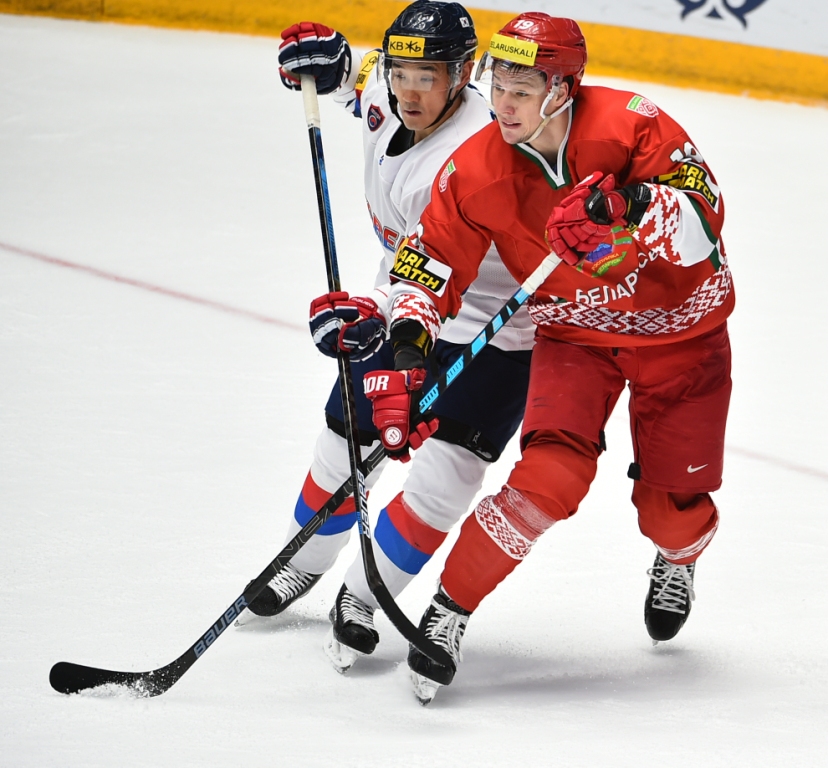 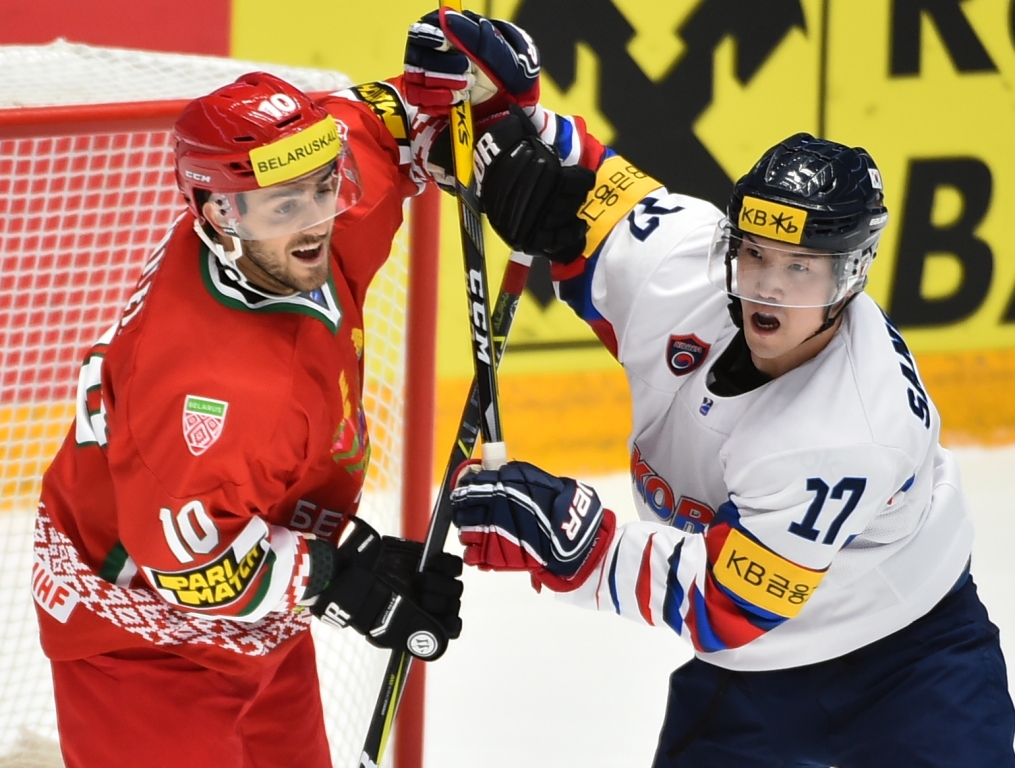