Blanked through two periods, the U.S. rallied to defeat Slovakia 2-1 in the Group B opener of the 2019 IIHF World Junior Championship in Victoria on Wednesday.

Evan Barratt had the third-period winner, and captain Mikey Anderson also scored for the Americans. Marek Korencik replied for Slovakia.

"Staying patient is obviously big," said star U.S. defenceman Quinn Hughes. "The first two periods didn’t go the way we wanted, but that sometimes happens in the first game of these tournaments. We knew it wasn’t going to be easy."

"We had a very good start and I think we were better than the USA in the first period," said returning Slovak forward Milos Roman. "We created turnovers and we had pressure on them. So I think we played very good for two periods. We had a few mistakes in the third and they scored a few goals. That’s why we lost this game."

With 6,208 on hand to witness the first official World Junior action ever in the British Columbia capital, it was an entertaining afternoon contest that featured a penalty shot for each team. Slovakia relied on a stingy defence and solid counterattack to keep this Boxing Day duel close. The Americans, with five returnees, knew they couldn’t expect an easy three points after losing 3-2 to coach Ernest Bokros's boys last year in Buffalo.

Both goalies made their World Junior debuts. The U.S.’s Kyle Keyser entered as the OHL’s save percentage leader (93.1) with the Oshawa Generals. Slovakia’s Samuel Hlavaj, just 17, had only played one official IIHF game before, the opening 5-2 loss to eventual champion Finland at the 2018 IIHF Ice Hockey U18 World Championship."This is a resilient group," said Keyser. "We’re never going to give up. We’re going to play right until it says ‘zero’ in the third period. We showed that tonight. There’s no quit in that room and that’s how it’s going to be."

U.S. coach Mike Hastings kept together the Jack Hughes line with Oliver Wahlstrom and Joel Farabee that excelled at the 2018 IIHF Ice Hockey U18 World Championship in Russia. Hughes, favored to go first overall in the 2019 NHL Draft, has 48 points in 25 USHL games with the U.S. U18 team.

At times, the 17-year-old looked like he had the puck on a string. His older brother, Quinn, generated some good scoring chances, jumping into the play, but also had some defensive lapses.

The Slovaks hung tough with the Americans in the scoreless first period. They generated an in-tight chance with Patrik Hrehorcak’s chip shot off the rush afterwards, and late in the period, Filip Krivosik, who scored twice in last year’s 3-2 upset over the U.S. in Buffalo, made a great move but put it off Keyser’s left post.

Off the opening second-period faceoff, Jason Robertson got a solo break after the Slovaks got snarled up at their own blue line, but Hlavaj stared him down with a right pad stop. With about eight minutes left in the middle frame, Krivosik came close again with a tip on the doorstep that Keyser denied.

The crowd booed whe Robertson was hauled down in tight with 7:31 left in the frame and was awarded a penalty shot. However, Hlavaj squeezed his pads to stymie Robertson’s five-hole attempt.

The Slovaks opened the scoring with 2:43 left in the second period on the rush. Adam Liska slid the puck left to Marek Korencik and he beat Keyser five-hole from the faceoff circle.

Mikey Anderson took an ill-timed holding minor to end the period, hauling down Pospisil on a race for the puck in the American end. The Americans barely withstood the Slovak pressure.

"We knew we were going to hit adversity at some point, and I can tell you right now we’re definitely not done with that," Quinn Hughes said.

Anderson made up for his gaffe with a power play goal at 1:10 of the third period. He accepted a Jack Hughes pass at the centre point and sent a high one past Hlavaj.

"It was a big goal," said Anderson. "We needed it. Jack made a good play and Barratt had a really good screen in front. I threw it up in the corner and luckily it went in."

At 5:42, Barratt made it 2-1 U.S. when he curled into the left faceoff circle and surprised the Slovak netminder with a high backhander.

Slovakia had a golden chance to tie it up when Wahlstrom pulled down Andrej Kukuca on a breakaway with 6:45 left, but Keyser foiled Kukuca on the ensuing penalty shot to safeguard the lead.

"I just saw him come in wide and I tried to stay as patient as possible and not give up my ice," Keyser said. "I know with my quickness I can get to pucks on my back post if I need to. I just wanted to hold my ground as much as I can. I could see he was trying to shoot five-hole, so I tried to close it as quick as possible."

The U20 Slovaks can take heart from their valiant effort. 2019 is a big year for hockey in Slovakia. In May, Bratislava and Kosice will co-host the IIHF World Championship for the second time in history. Slovakia first hosted the tournament as an independent nation in 2011, when Finland defeated Sweden for gold.

"We are a good group with a lot of good guys in the locker room, playing together for a lot of years," said Roman, whose team faces Sweden on Thursday. The Americans take on Kazakhstan on Friday. 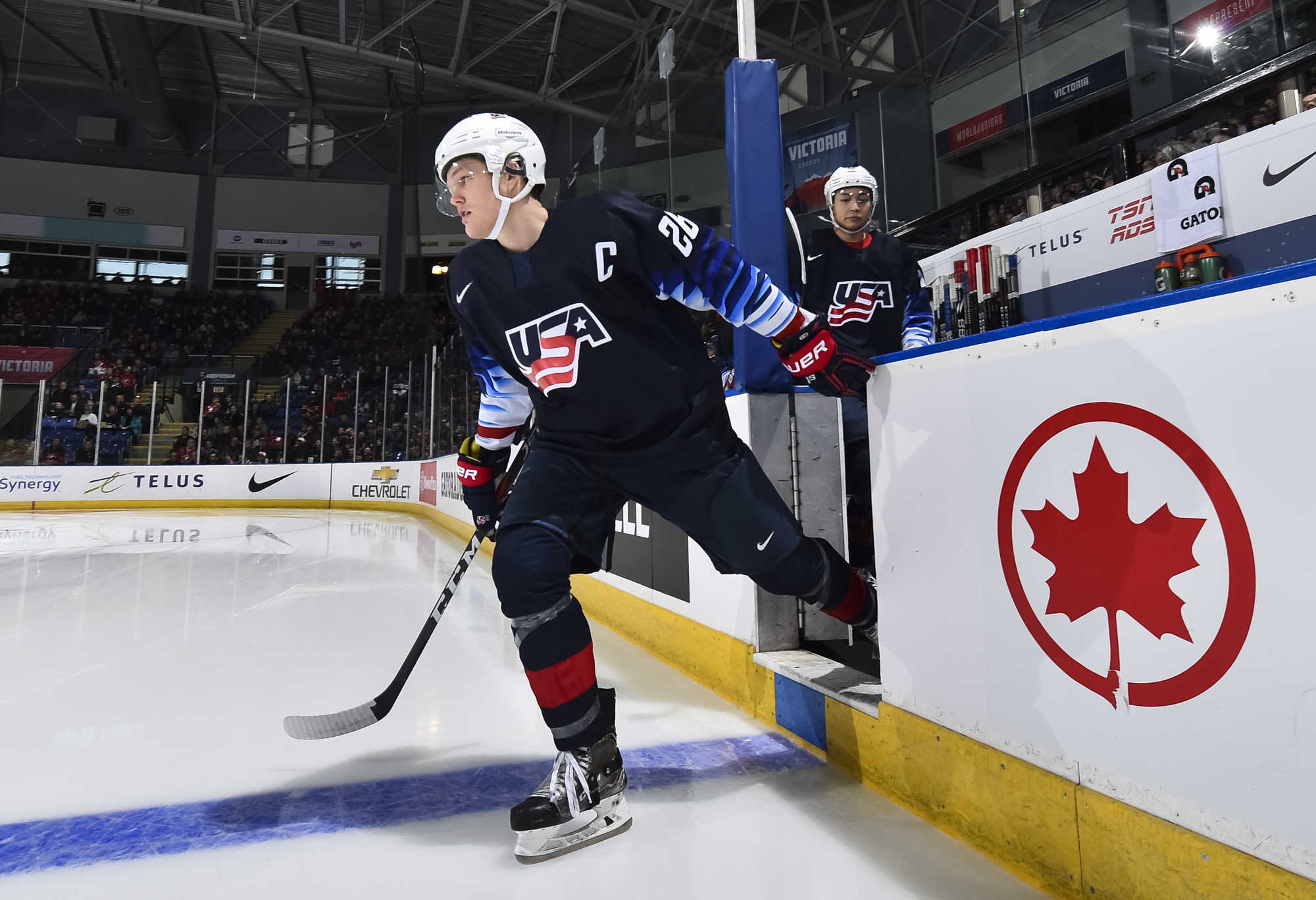 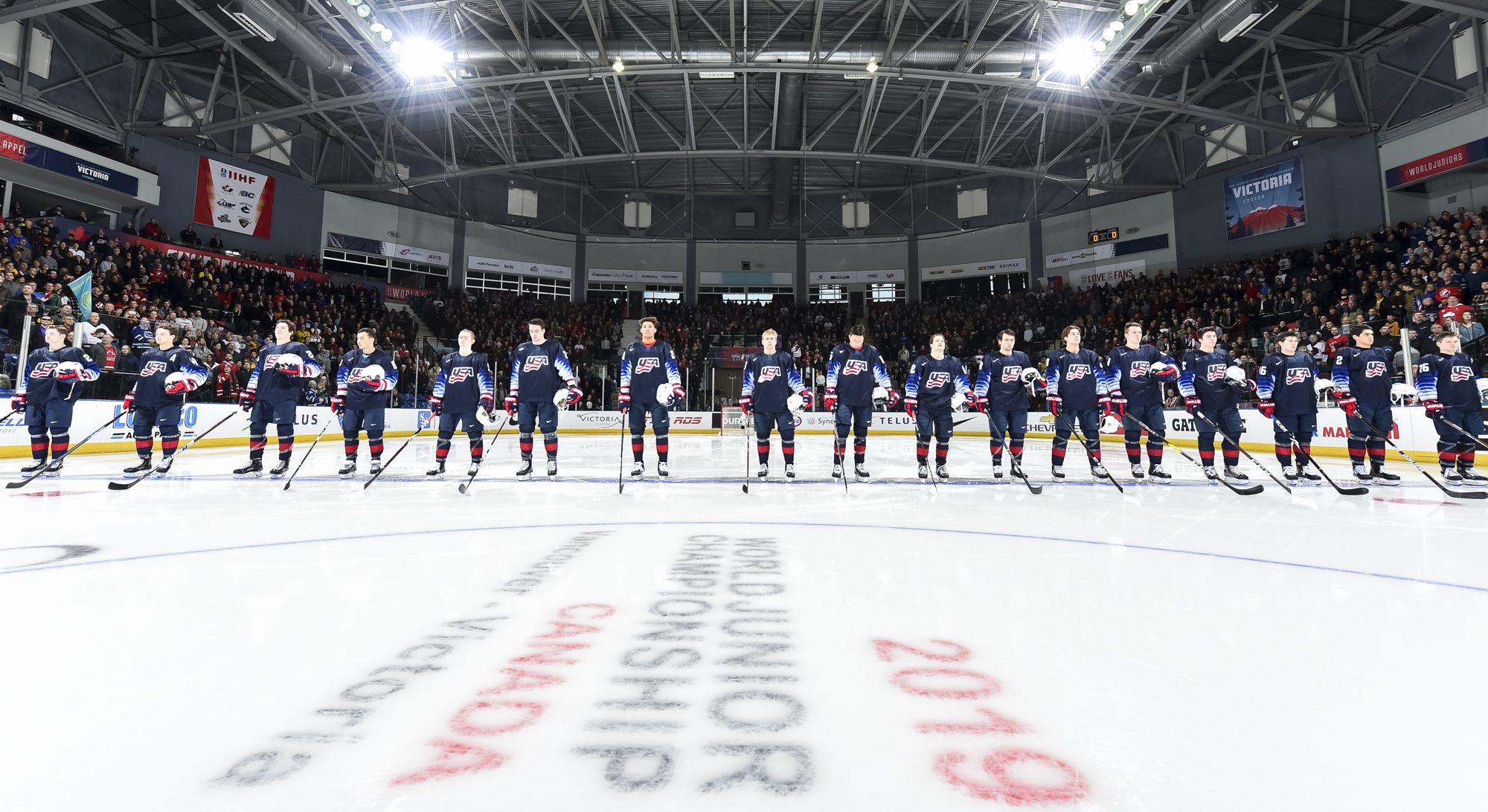 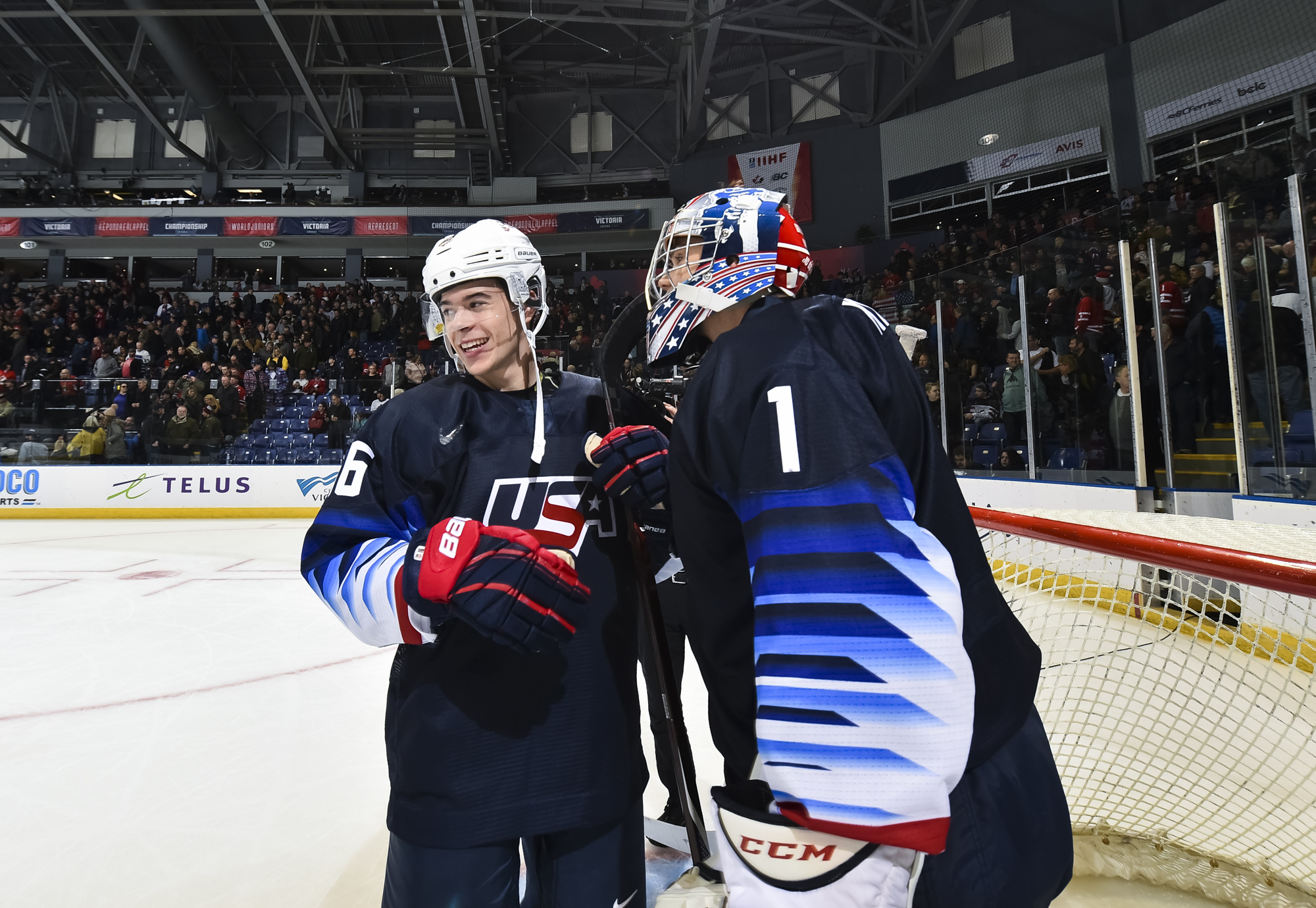 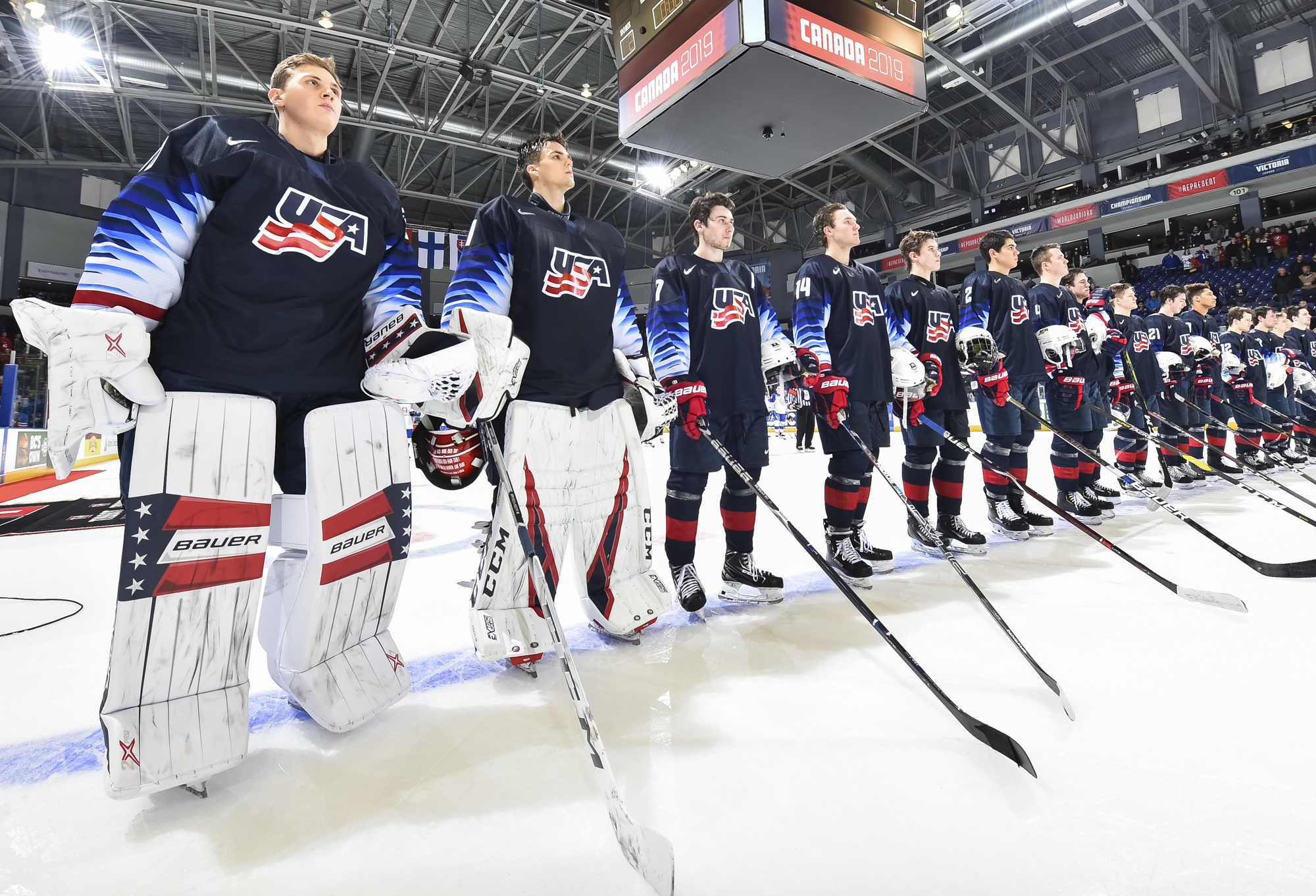 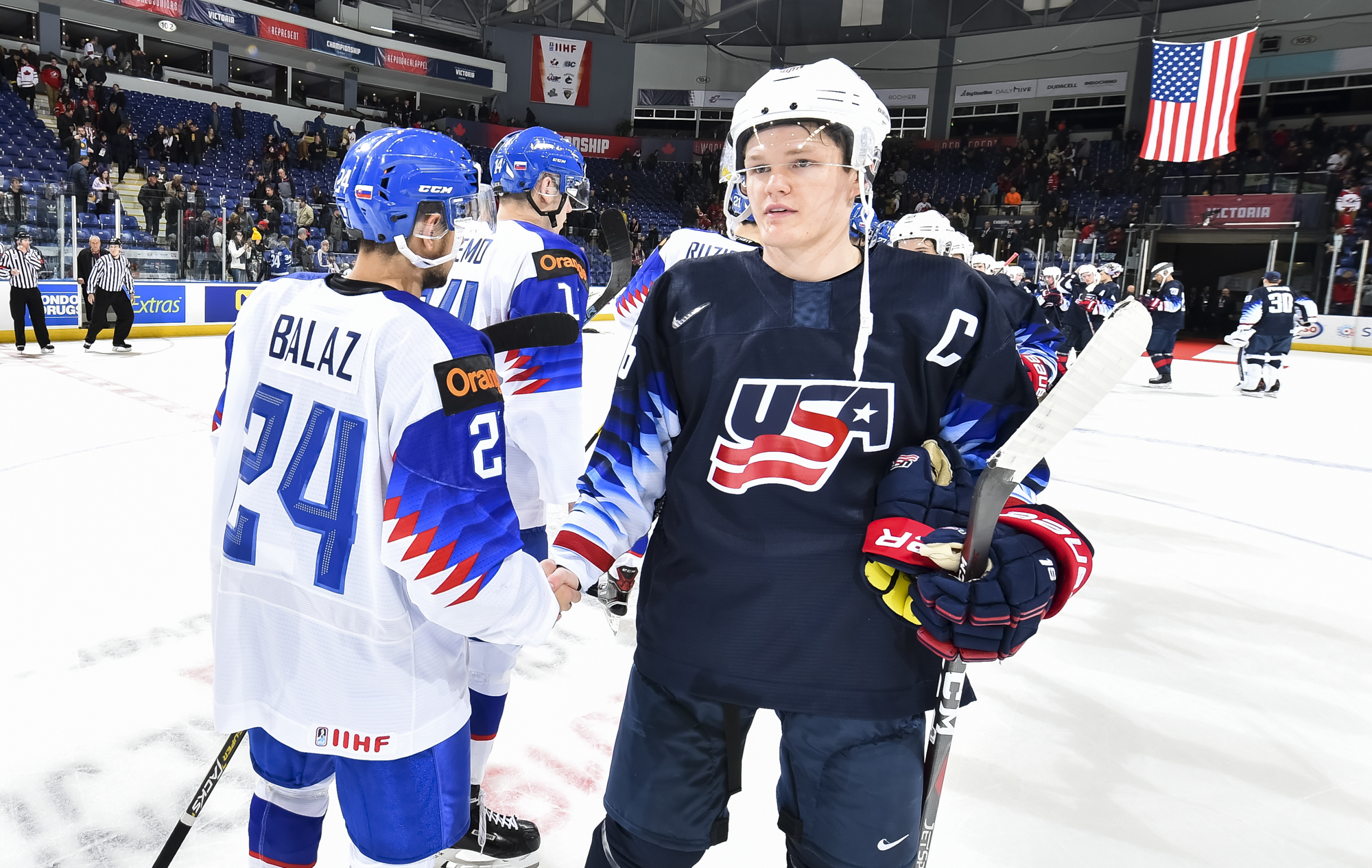 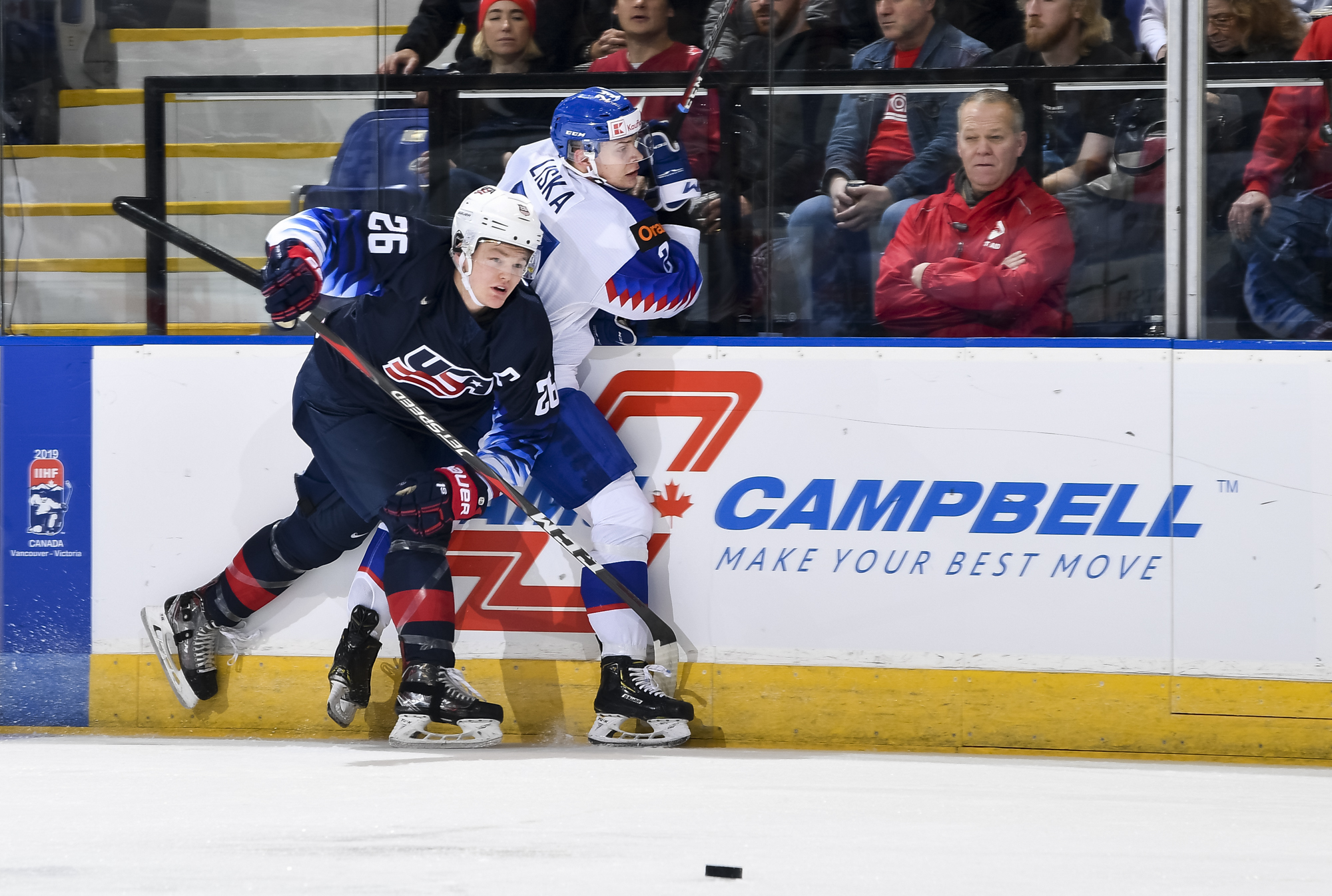 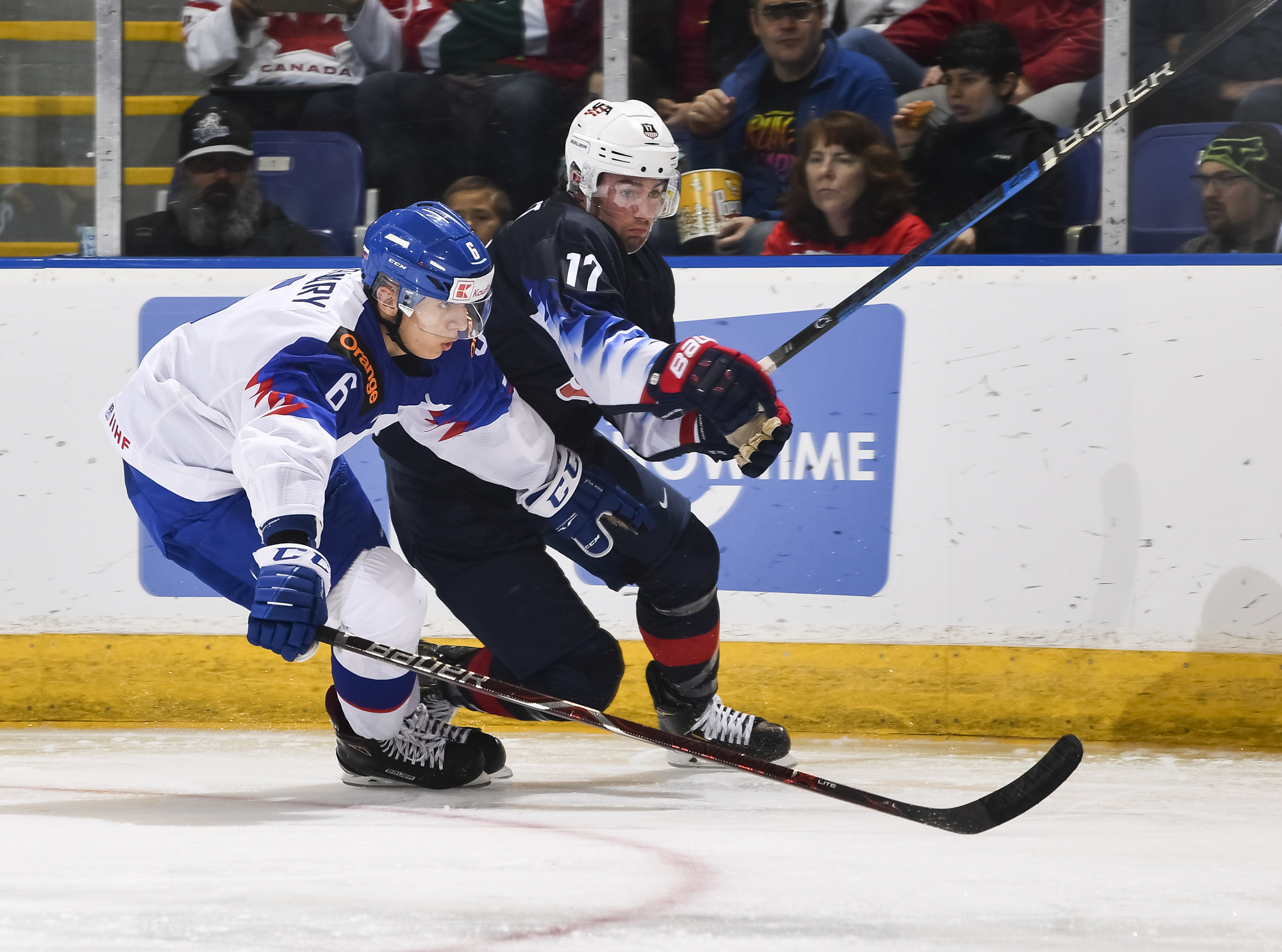 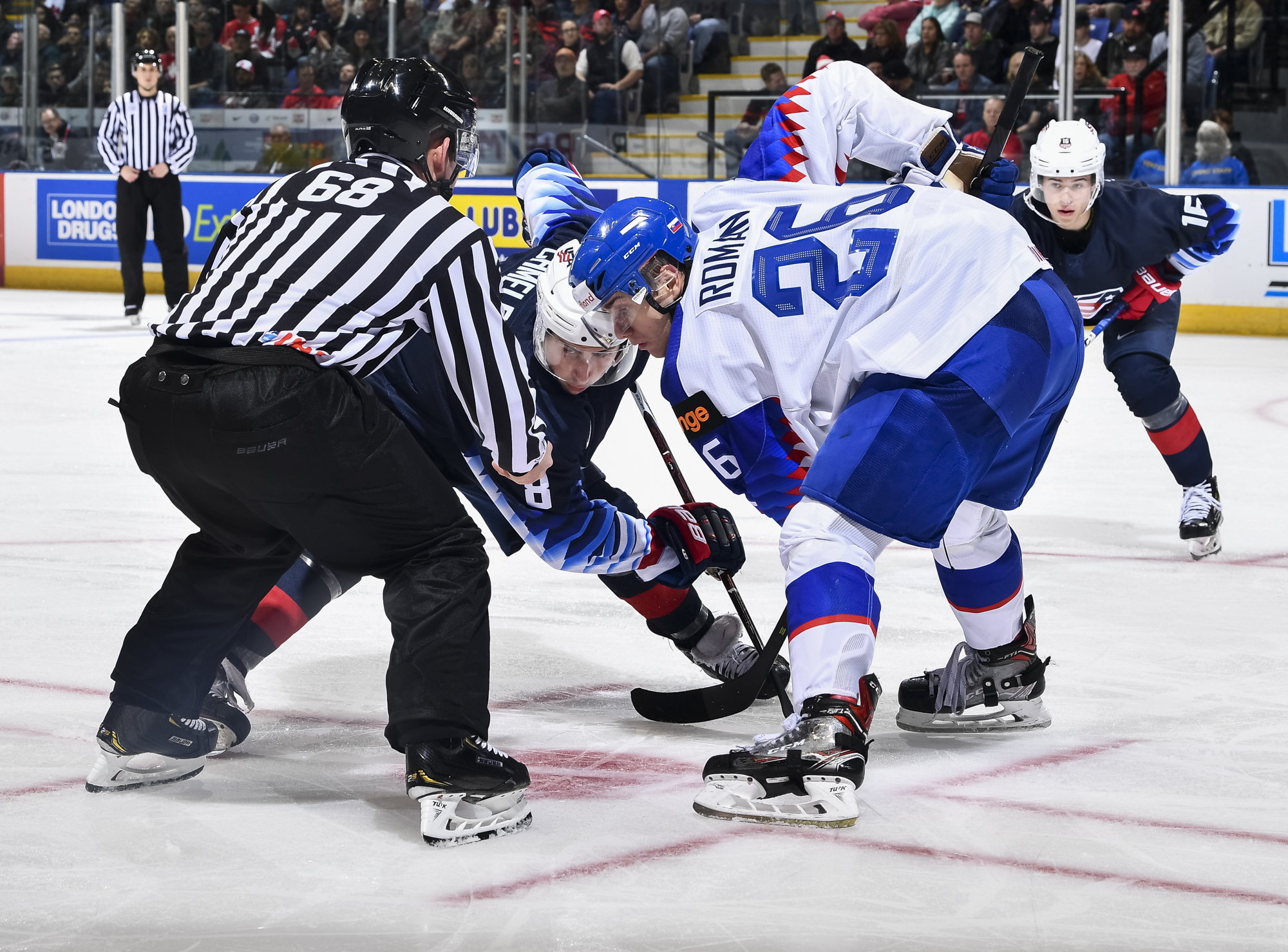 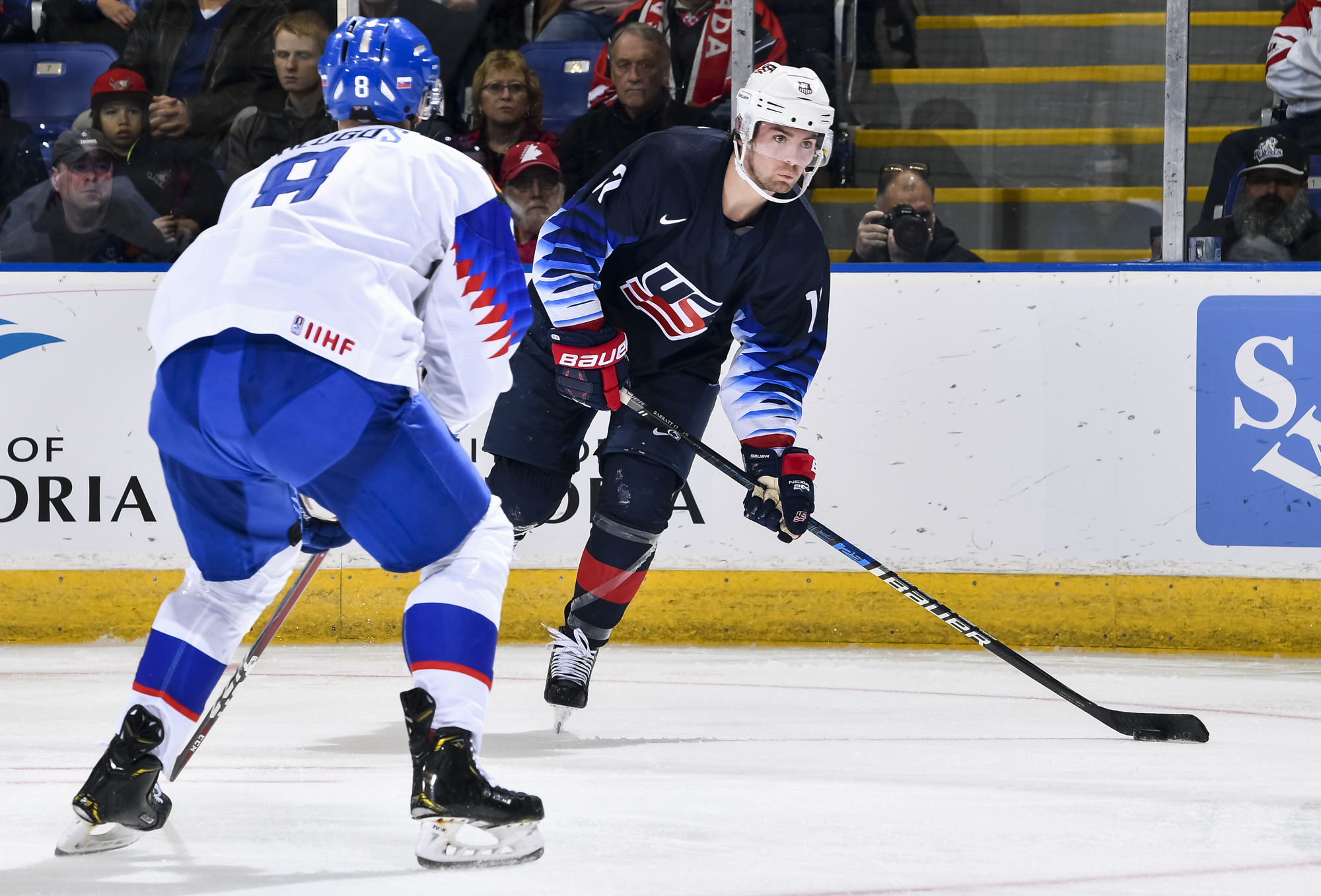 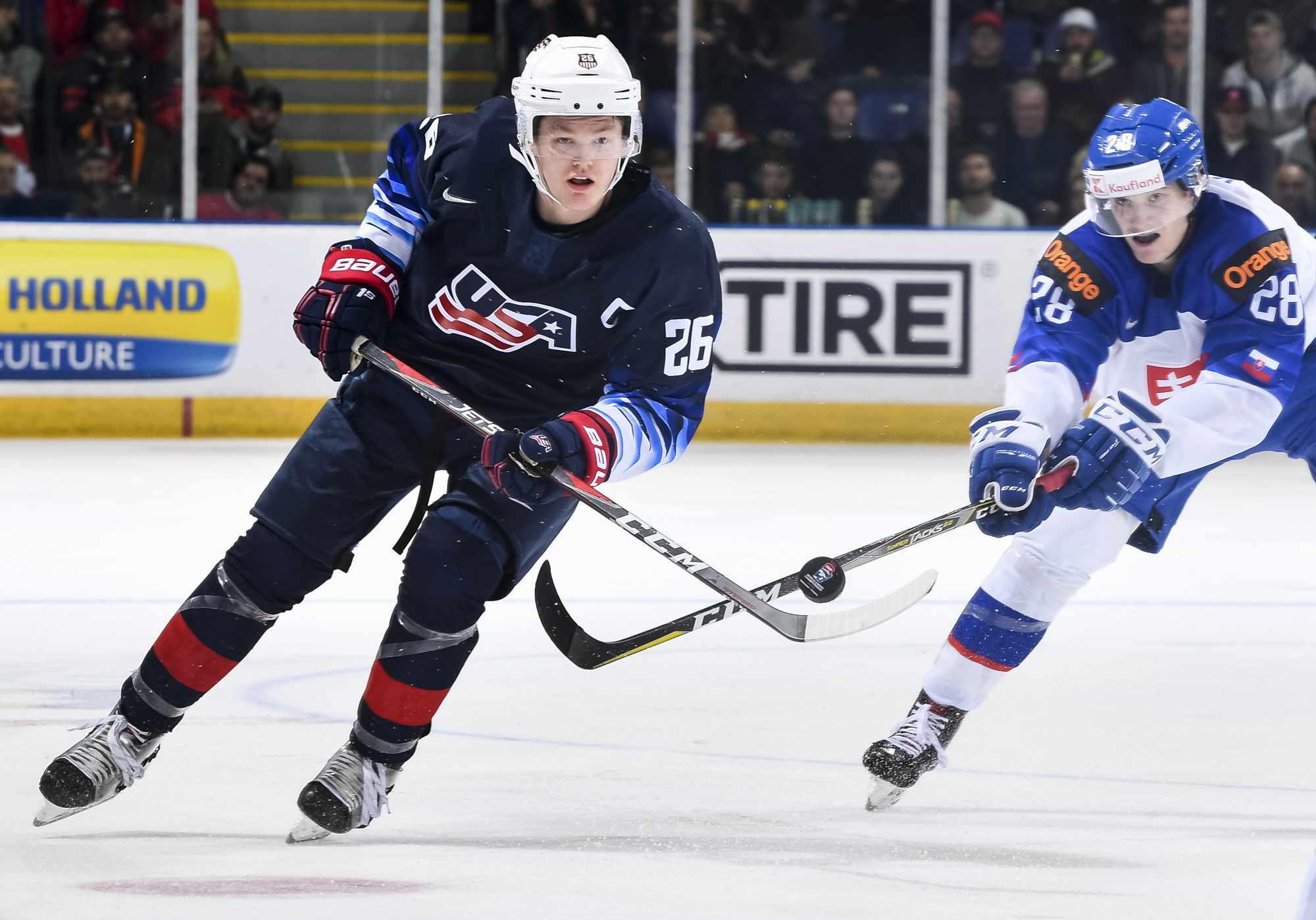 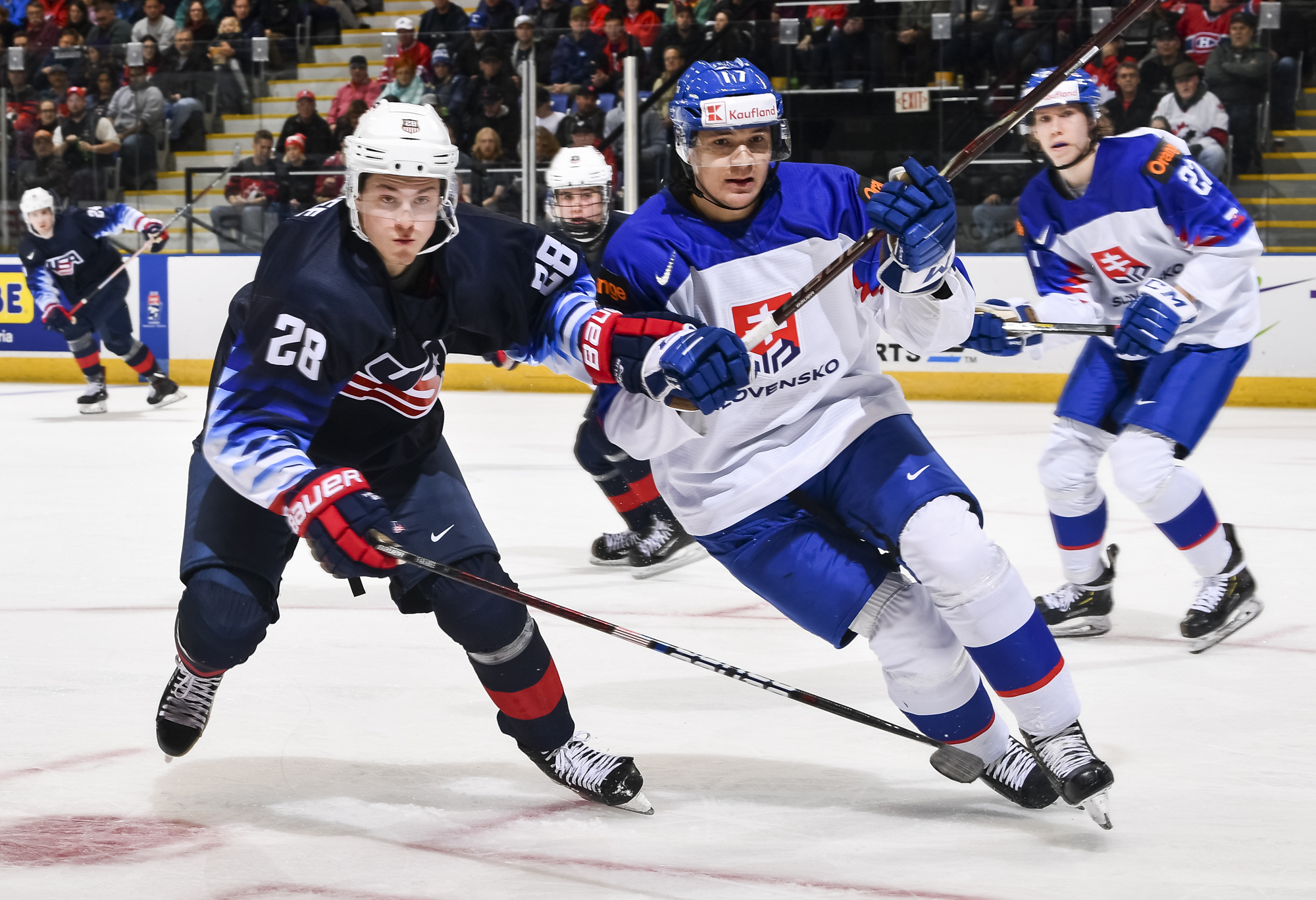 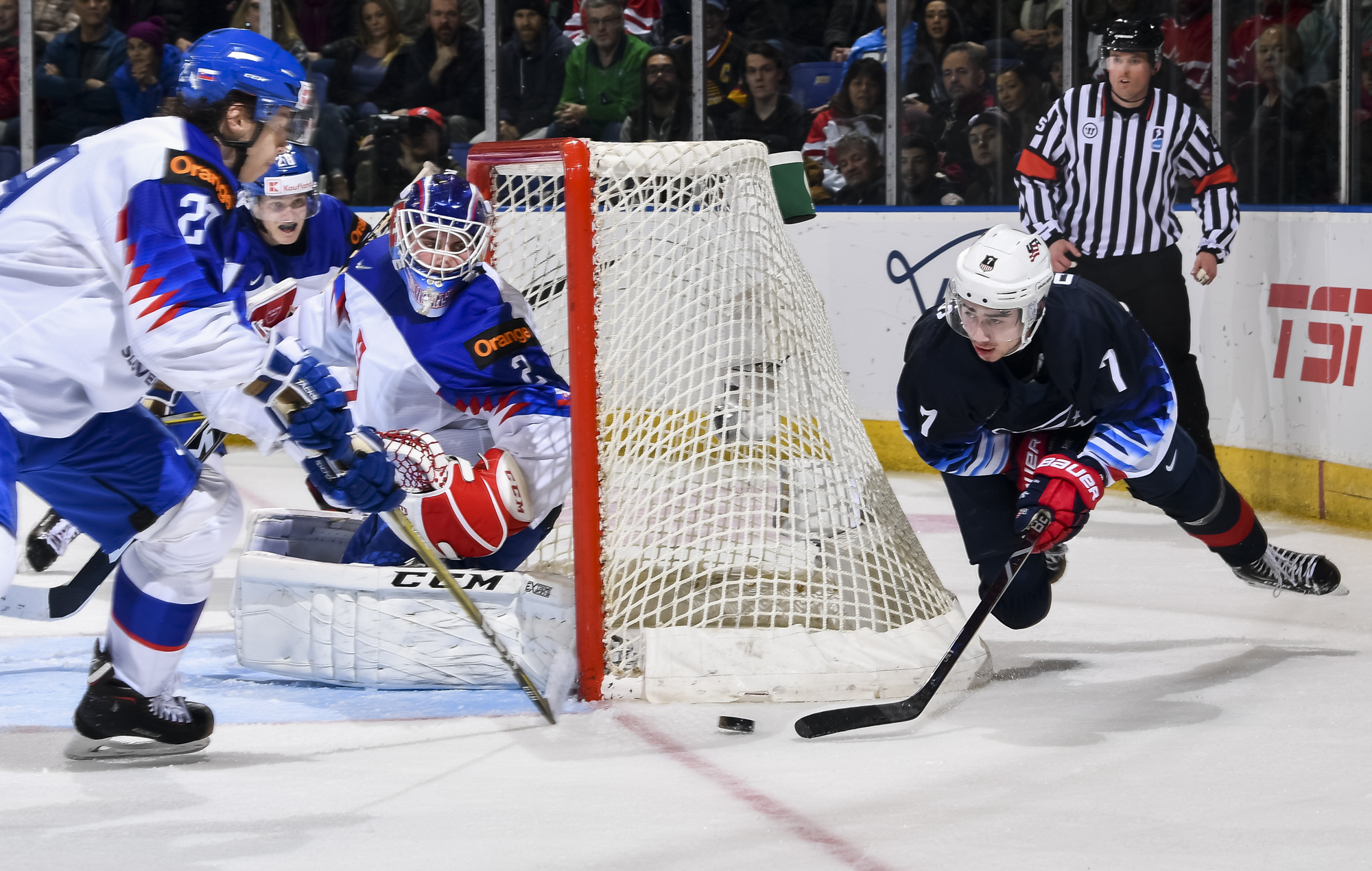 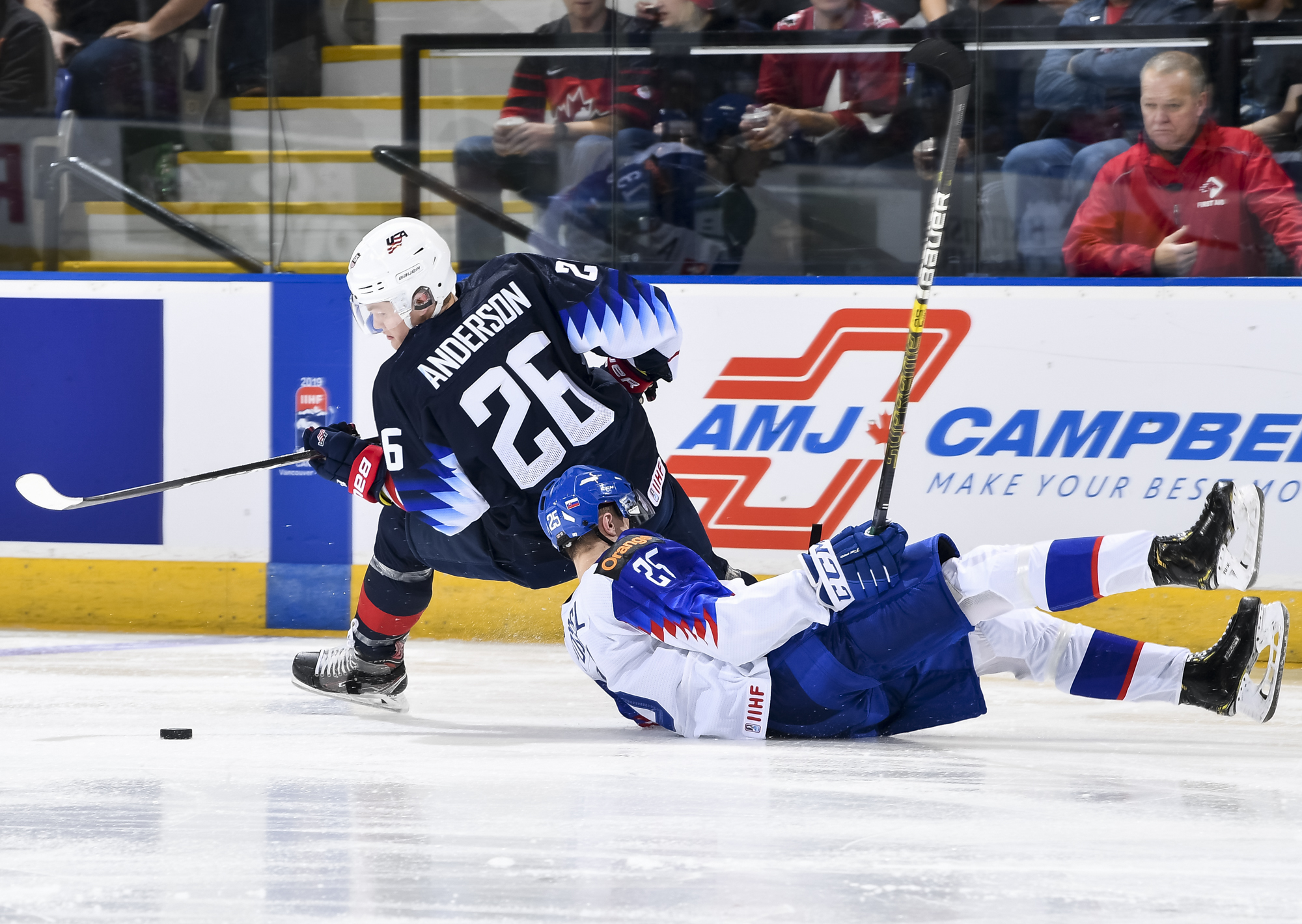 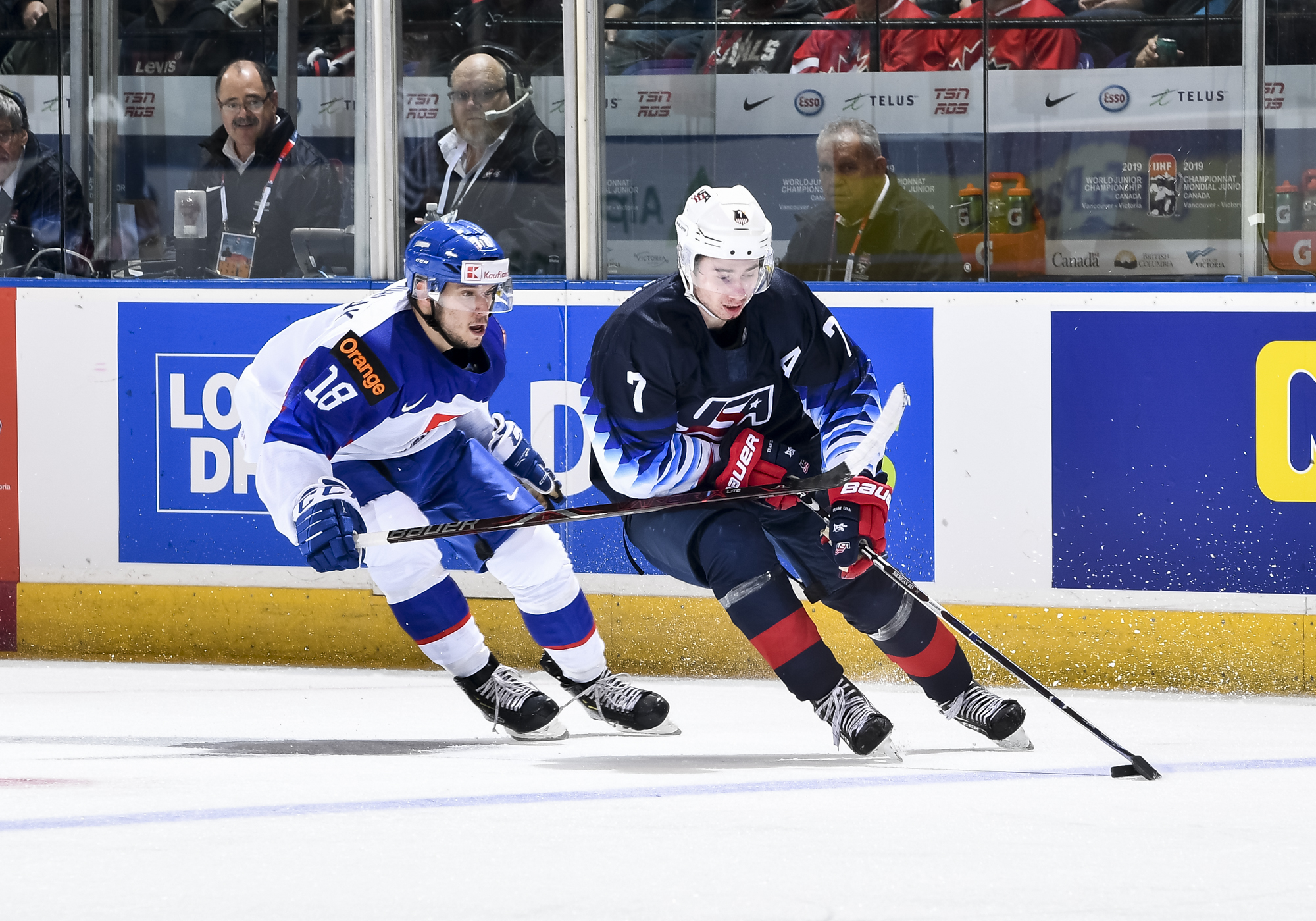 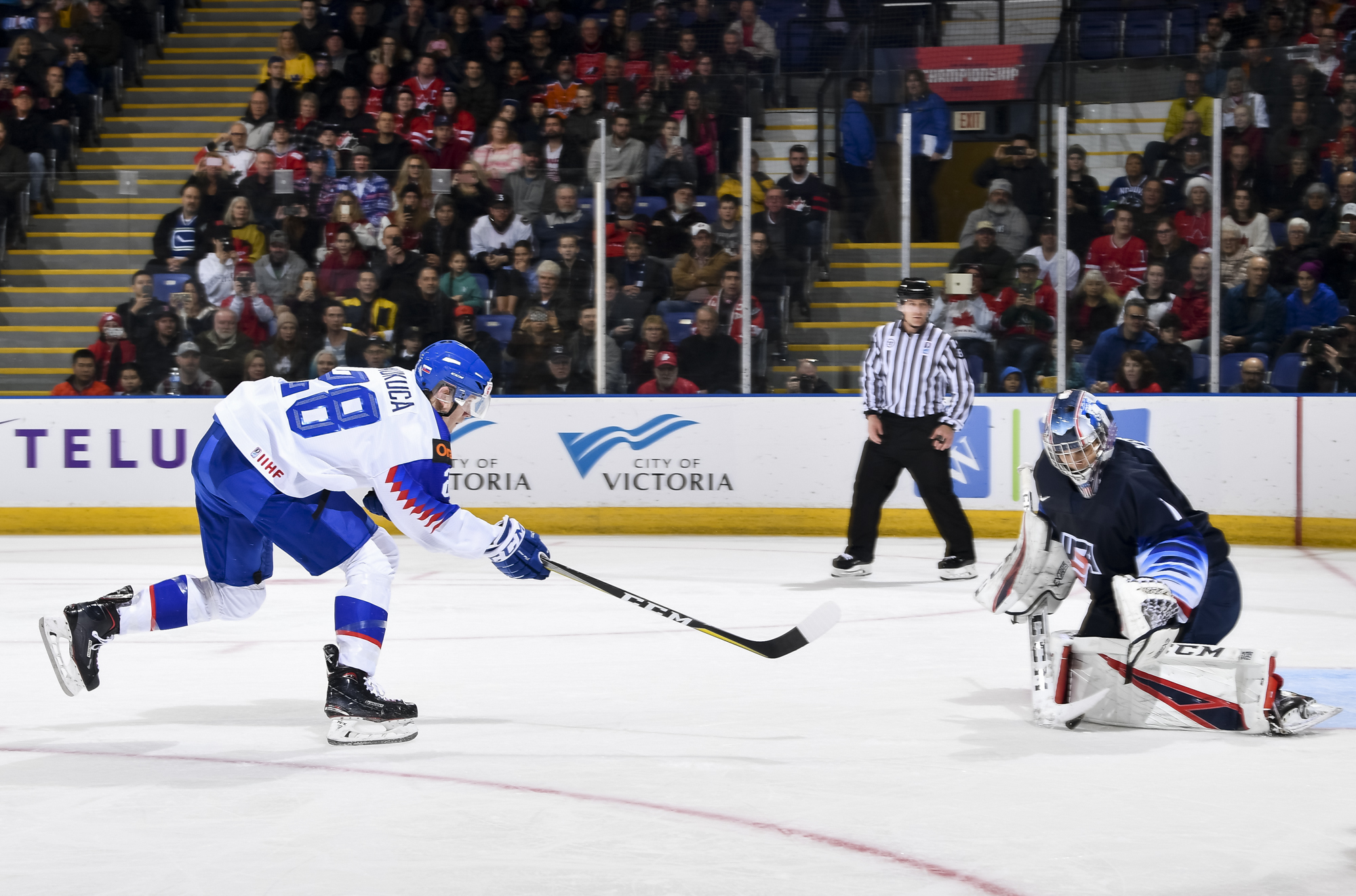 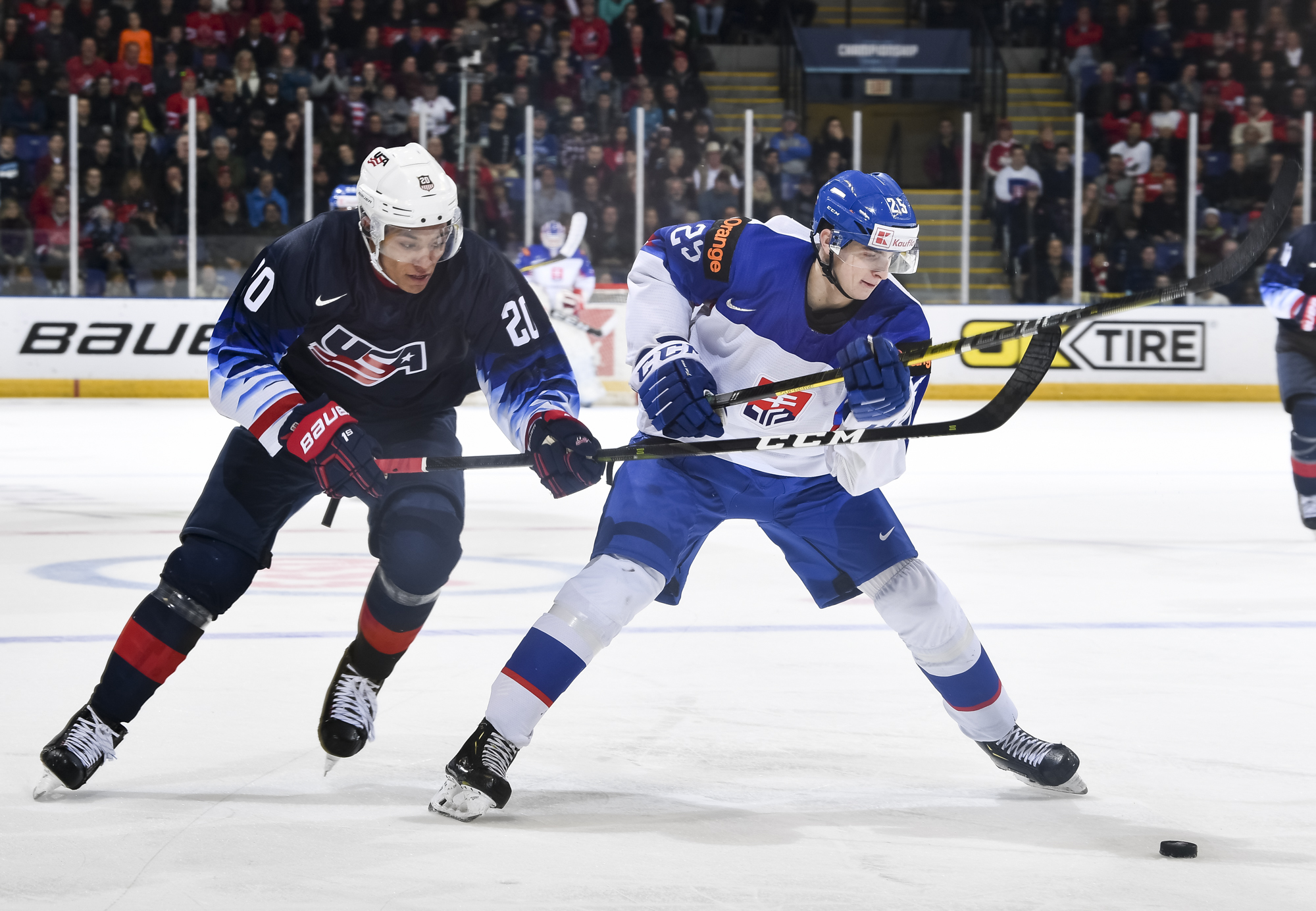 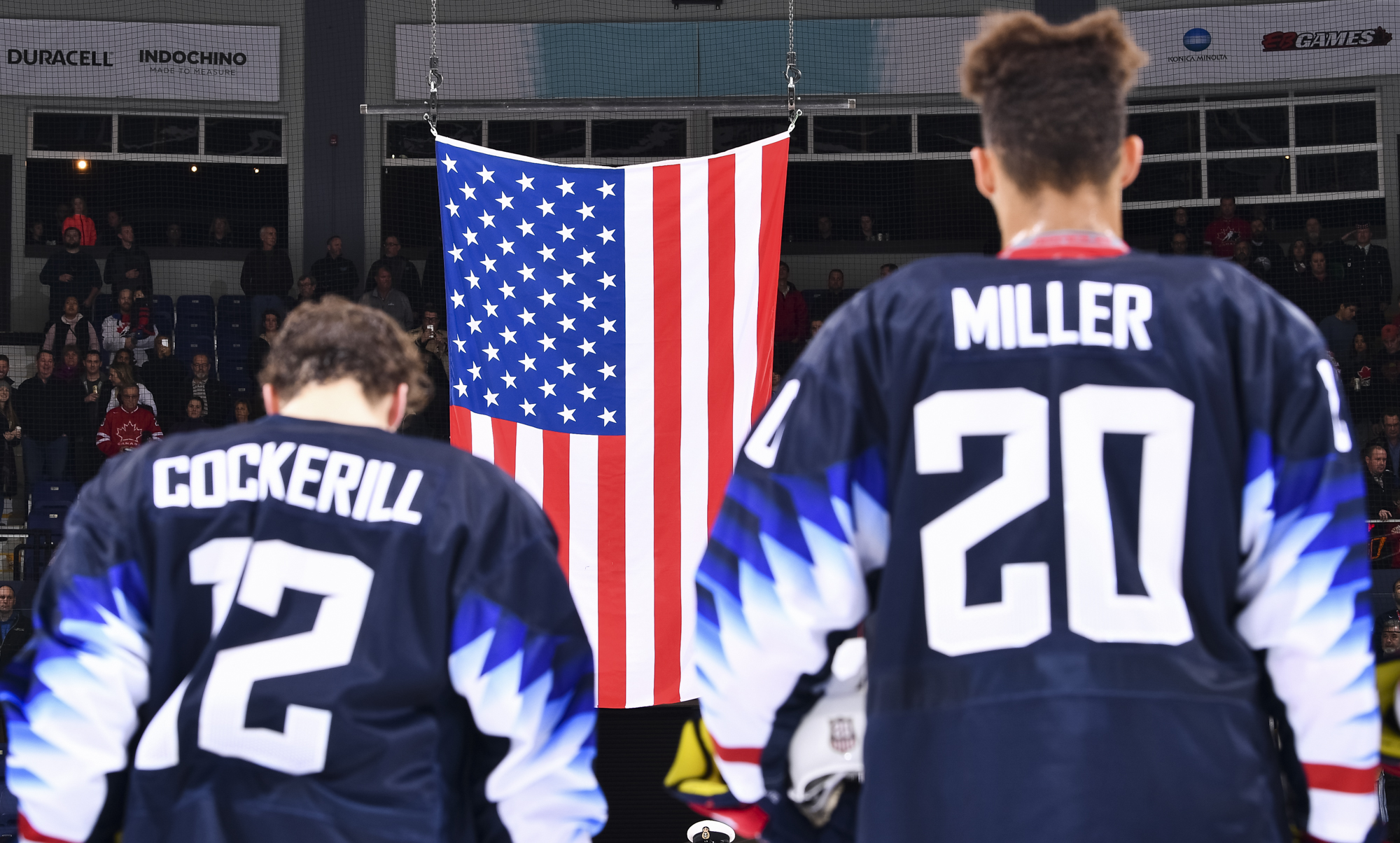 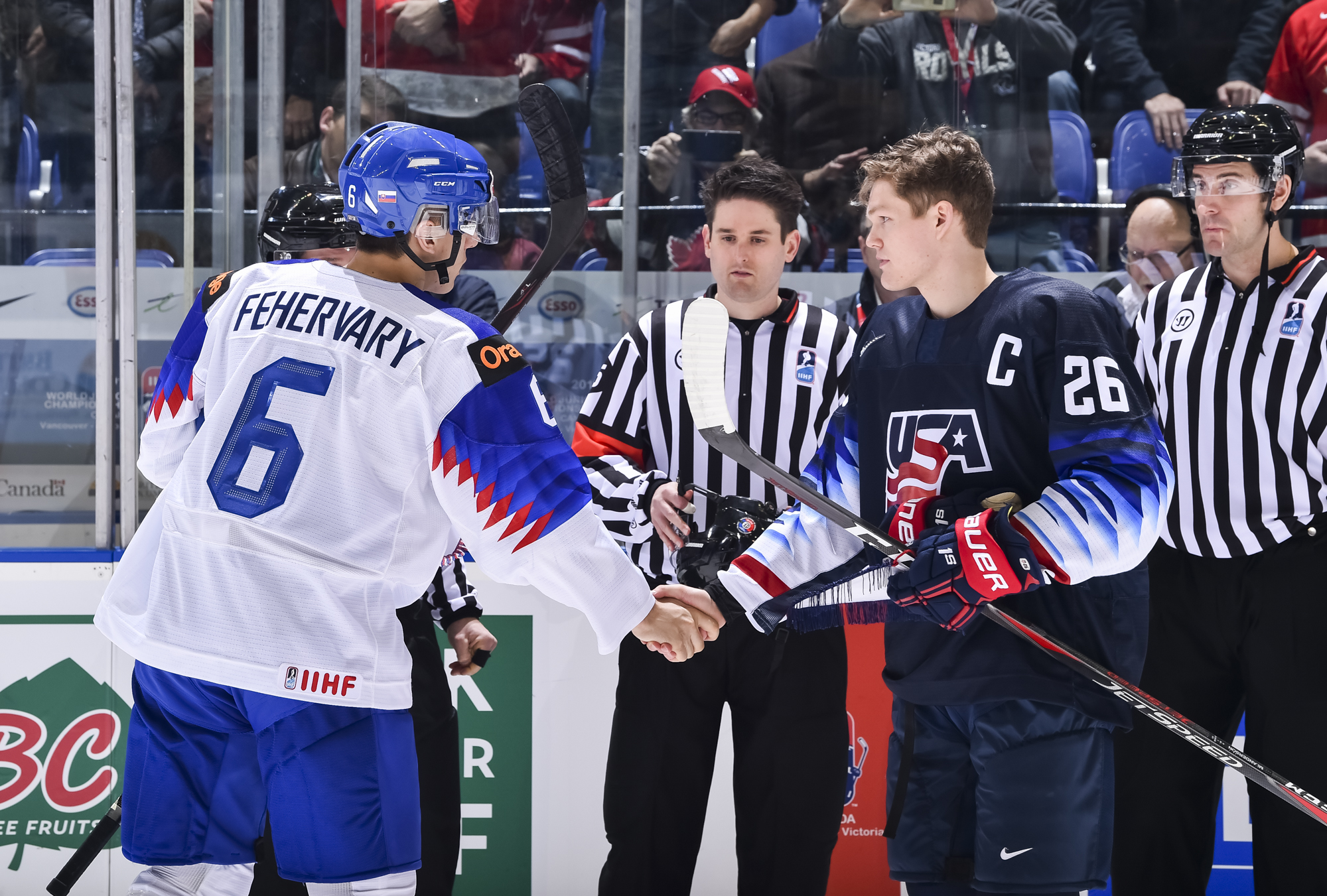 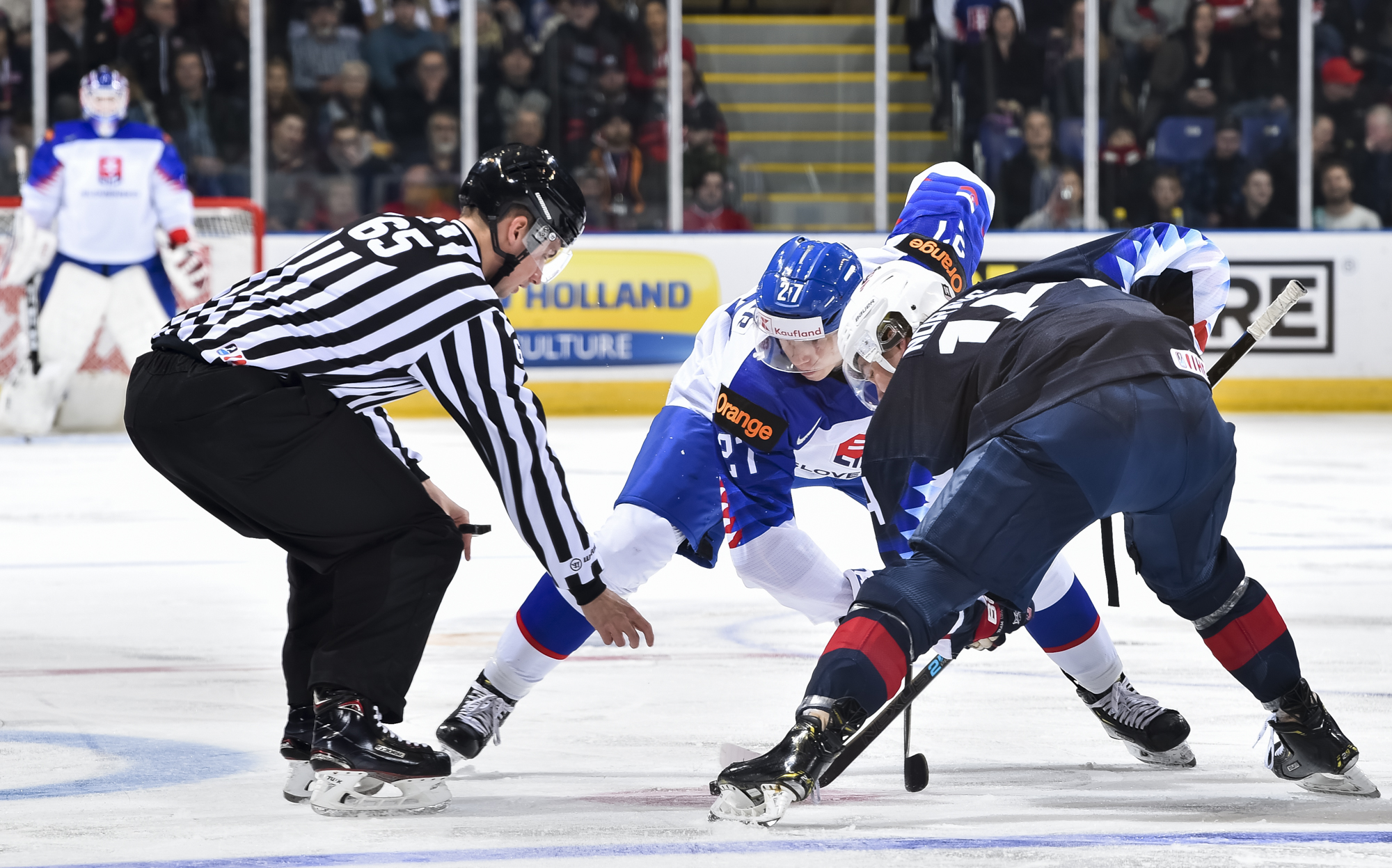 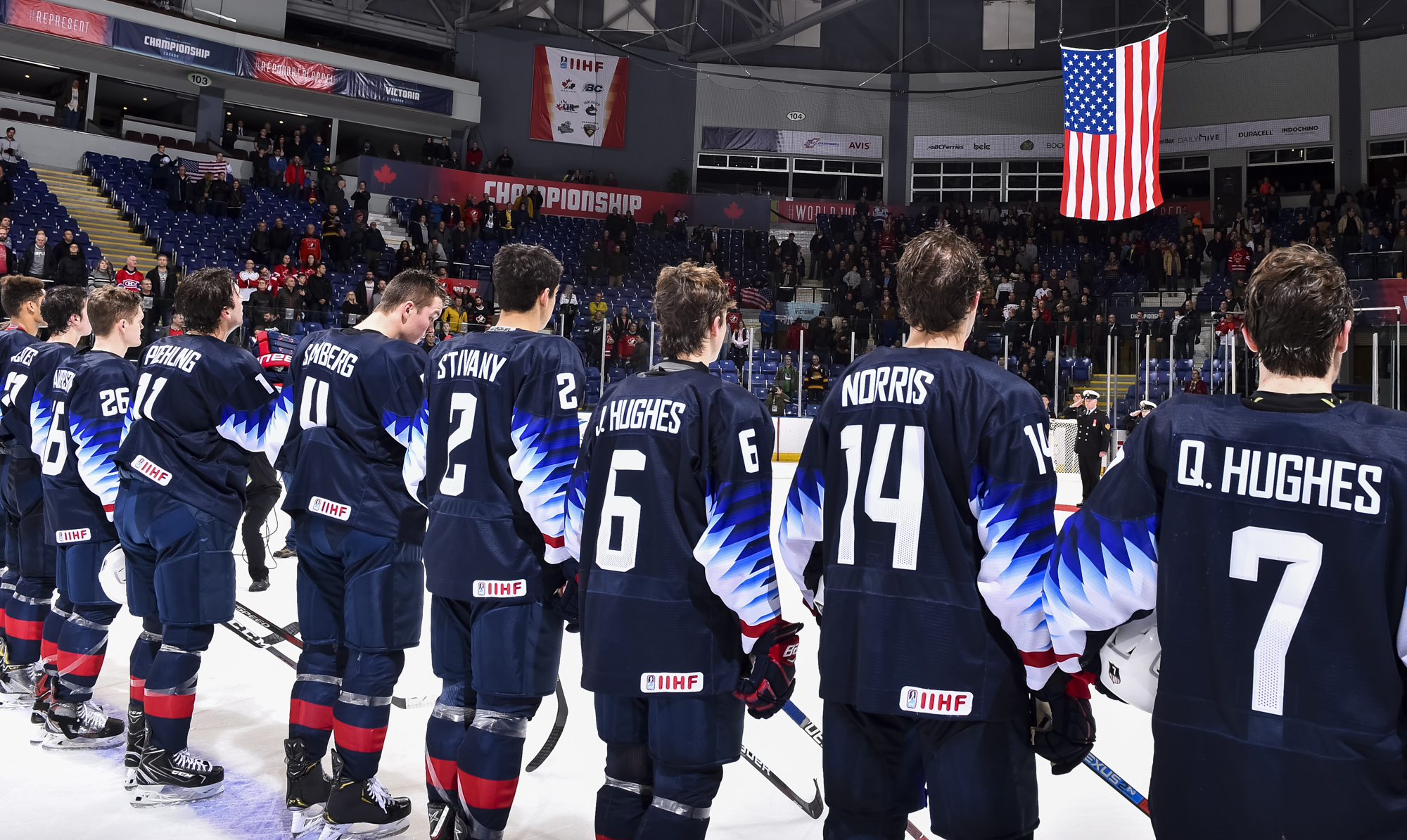 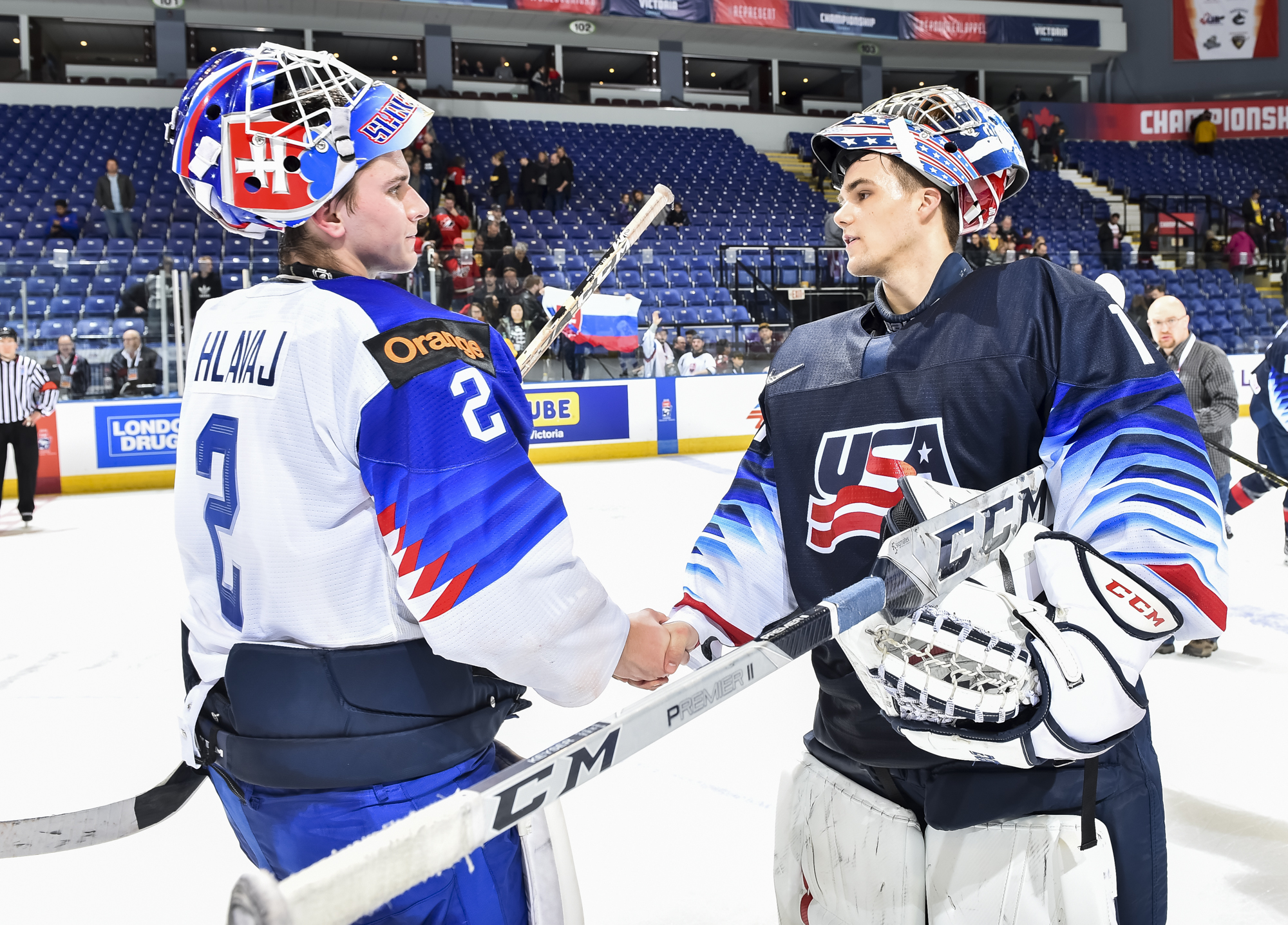 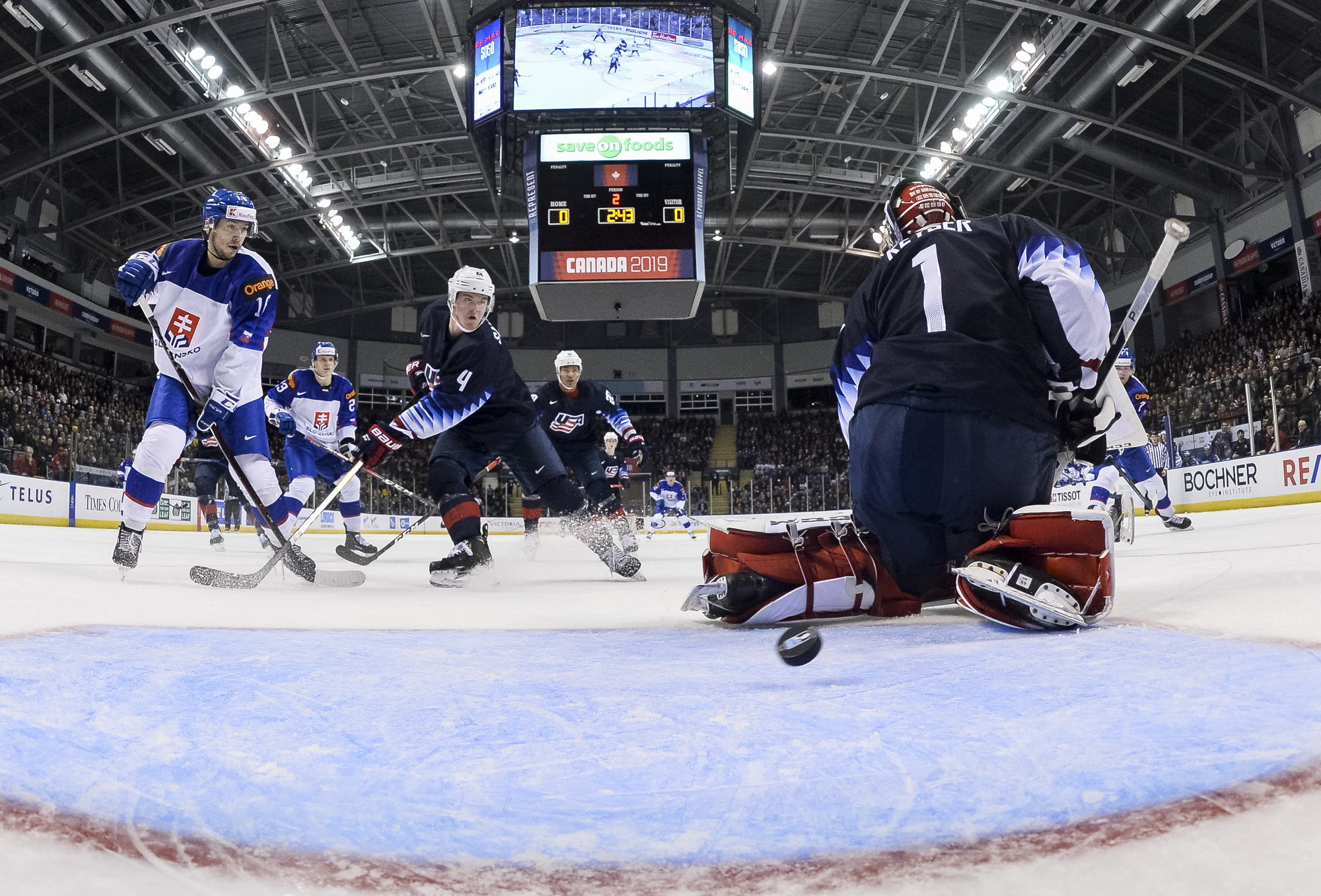 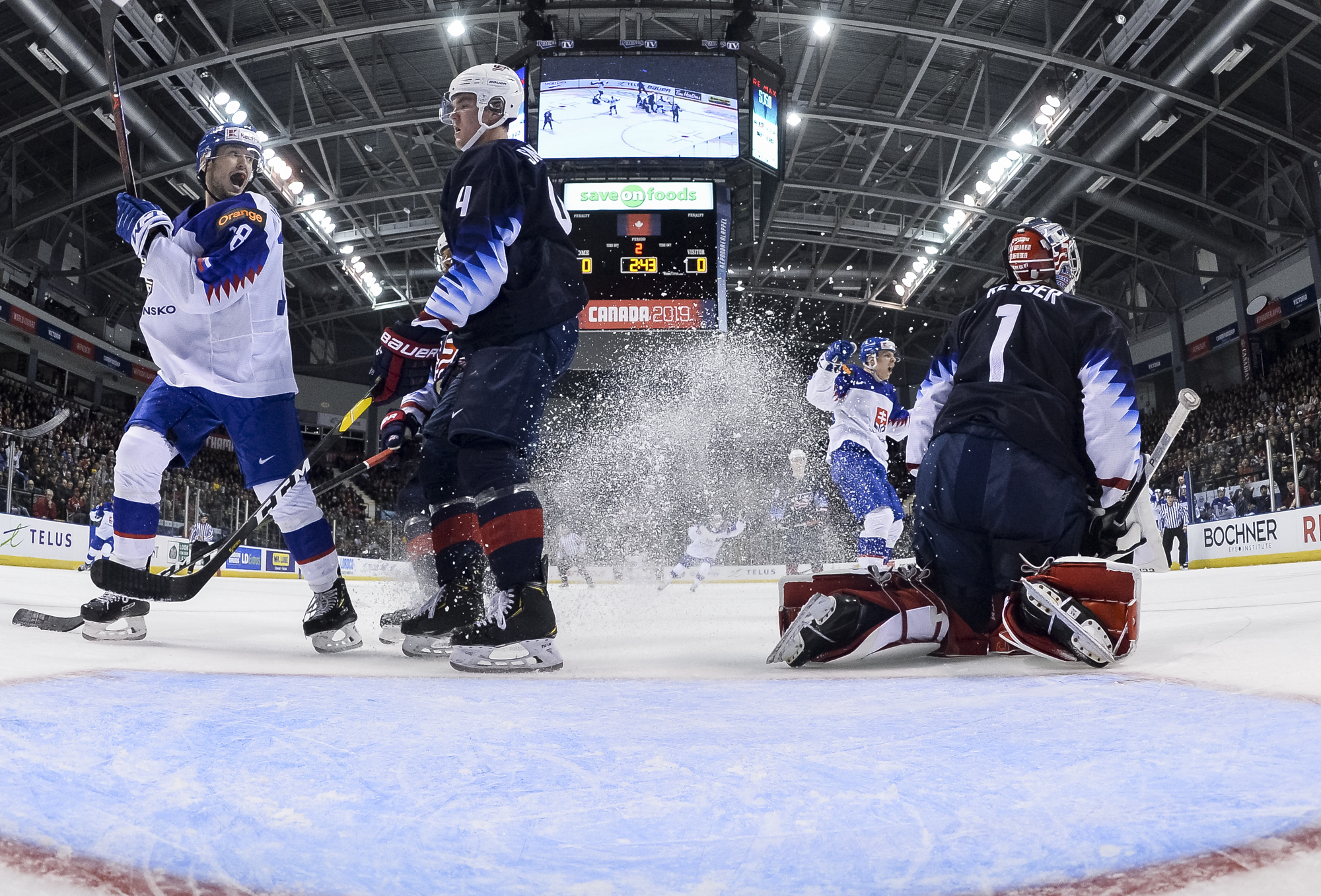 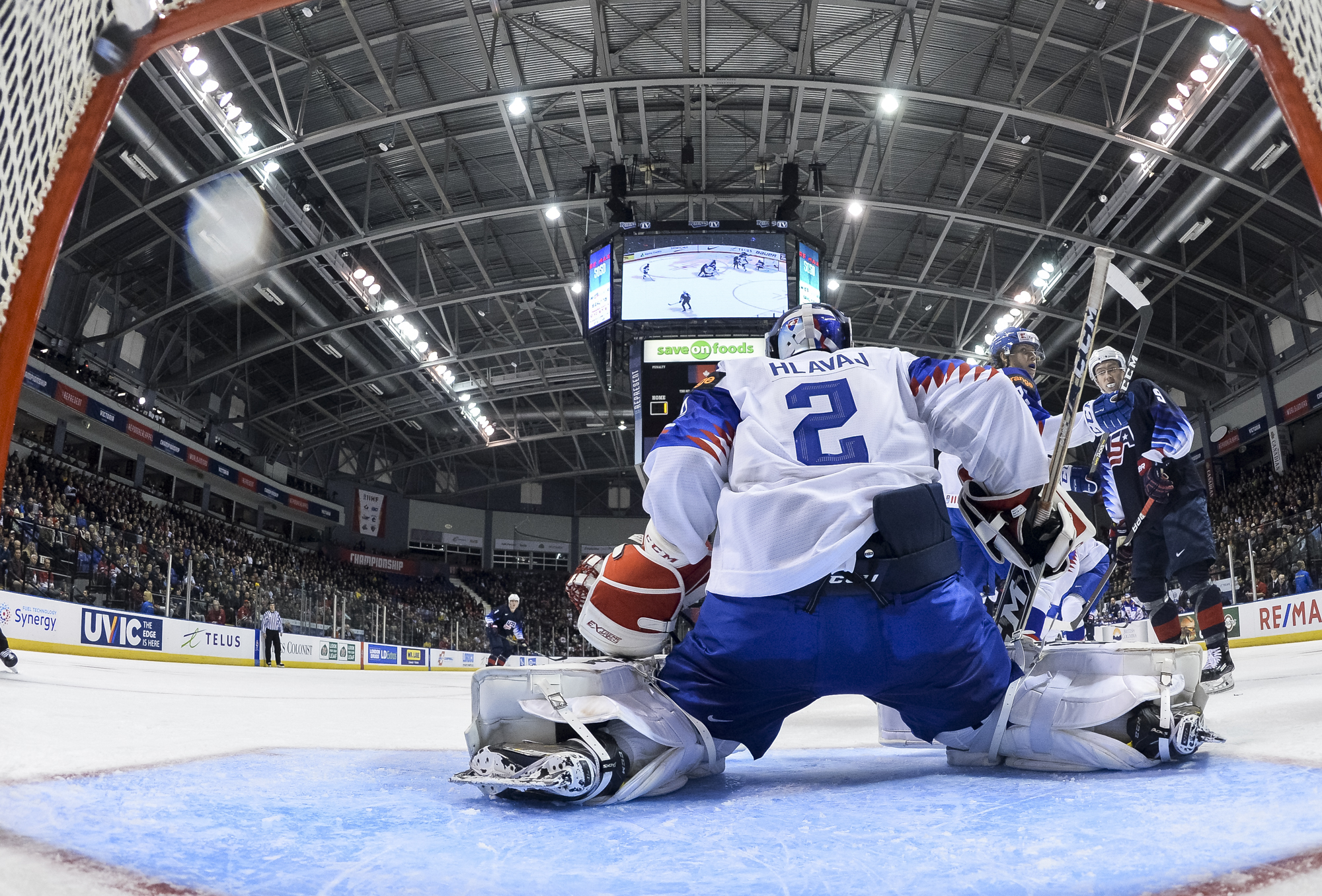