Tight defence and opportunistic scoring gave the Finns a 5-1 victory over a struggling Slovak squad in Group B action on Saturday. It was Finland's second straight win and Slovakia's third straight loss.

"I think we’re doing better and better," said Finnish head coach Jussi Ahokas. "This was the closest we’ve gotten our team game to what we want to do. We scored five goals [today], and in three games, we’ve let in only three goals. So we have to be happy with our defensive game all the time."

The defensive pairing of Henri Jokiharju and Ville Heinola led the way with a goal and an assist apiece, and Santeri Virtanen, Anton Lundell, and Oskari Laaksonen also scored for Finland. Eeli Tolvanen added two helpers. With an assist, Finnish captain Aarne Talvitie stretched his points streak to three games, as did Kaapo Kakko.

Milos Roman had the lone goal for Slovakia.

"I’m not here for scoring or selfish plays," said Roman. "We are here for winning and we have to start winning."

Finnish starting goalie Ukko-Pekka Luukkonen won the goaltending duel with Slovakia’s Samuel Hlavaj. Finland outshot Slovakia 36-23."It was a lot better than the first two games," said Finland's Urho Vaakanainen. "It felt like it was more loose. We had more confidence."

Early in the first period, Slovakia’s Filip Krivosik missed a glorious shorthanded chance as the Finns floundered defensively. He backhanded the puck past Luukkonen’s right post with the goalie down and out. It would prove costly as the Slovaks struggled to generate offence.

Jokiharju opened the scoring for Finland on a 5-on-3 at 12:24. The rookie Chicago Blackhawk defenceman’s one-timer blast from the left point beat Hlavaj high to the stick side.

Virtanen is a popular name in British Columbia these days, with Vancouver Canucks forward Jake Virtanen enjoying a career season. Santeri Virtanen – no relation – got oohs and ahhs when the Saipa Lappeenranta forward hustled to the net, took Vaakanainen’s centering pass, and deposited a backhand past Hlavaj’s left pad at 16:43.

At 2:02 of the second period, with the teams playing 4-on-4, Kakko deftly centred the puck from the right side to a pinching Heinola, who roofed it past Hlavaj's blocker.

At 13:53, Finland went up 4-0, as Heinola looped behind the Slovak net and sent the puck in front to Lundell, who popped it home.

"Especially Heinola, it was great to see how he played with a lot of confidence," said Vaakanainen. "He’s a good skater. He’s good with the puck. He scored a goal and gave a nice pass. He played a very good game and I’m happy for him."

Slovakia had its best opportunity to get back into the game when it got a two-man advantage for 1:10 late in the middle frame. Roman, who plays for the WHL's Vancouver Giants, cut the deficit to 4-1 with his first goal of the tournament at 16:24, converting Martin Fehervary's cross-crease pass.

"I got a very good pass [facing] an empty net," said Roman. "My job was just to hit the net and score."

But there would be no dramatic comeback. Laaksonen rounded out the scoring for Finland with 6:59 remaining in the third period, slapping Tolvanen's feed high past Hlavaj from the right faceoff circle

Tolvanen’s goal-scoring drought extended to three games at this tournament and four games dating back to the 2018 World Juniors in Buffalo. The 2017 first-round pick of the Nashville Predators, who made the 2018 Olympic all-star team with three goals and nine points, got his last official U20 goal in a 5-4 loss to the host Americans on 31 December 2017. The Finns and Americans will meet again on New Year's Eve in Victoria.

"Of course there’s pressure," said Tolvanen. "We have a lot of guys who play in the AHL or NHL, and everybody’s waiting for us to step up. But we have a lot of guys, and the young guys are stepping up right now. I don’t need to worry that much. I try to not think about it and just go out there, have fun, and try to do my best."

Slovakia will seek its first victory against Kazakhstan, also winless, on Sunday night. The Kazakhs have been outscored 13-2. The two teams are hoping to avoid playing in the relegation round, which kicks off Wednesday in Vancouver.

This was the third consecutive Finnish World Junior victory over Slovakia. The last Slovak win over Finland was 2-1 on 27 December 2014 in Montreal en route to their second bronze medal of all time. The Slovaks’ only other WJC medal, also bronze, came in 1999 in Winnipeg. 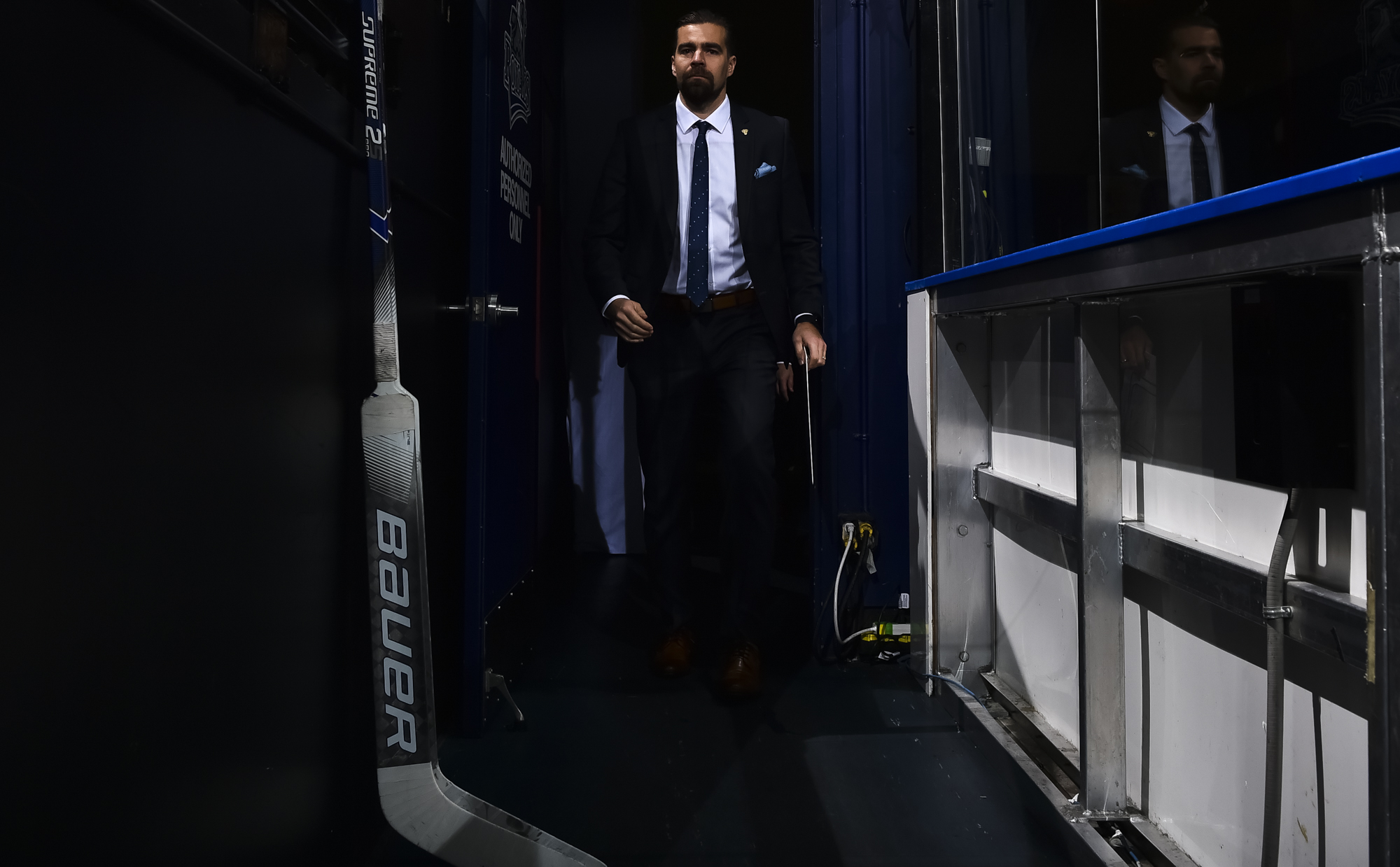 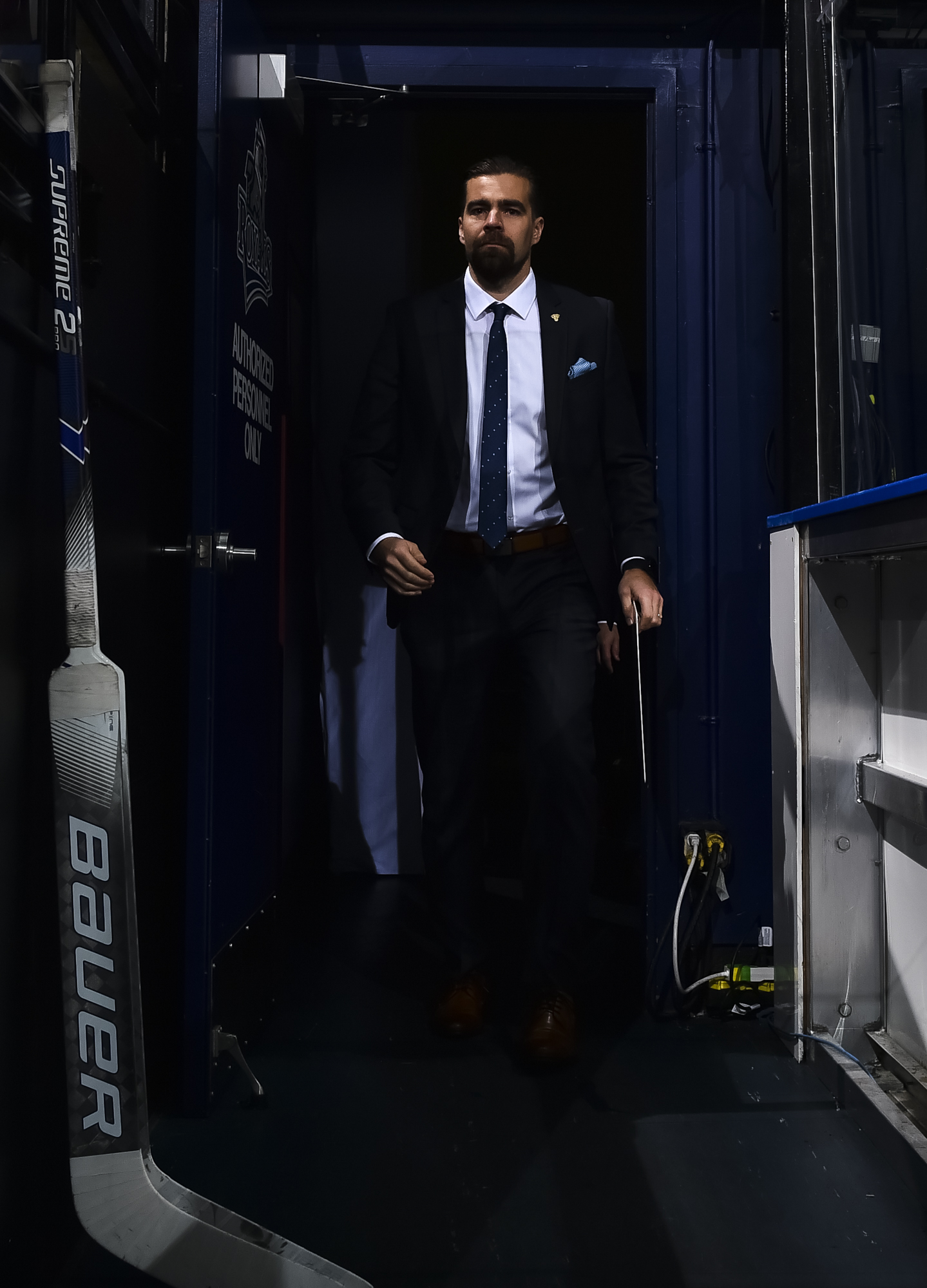 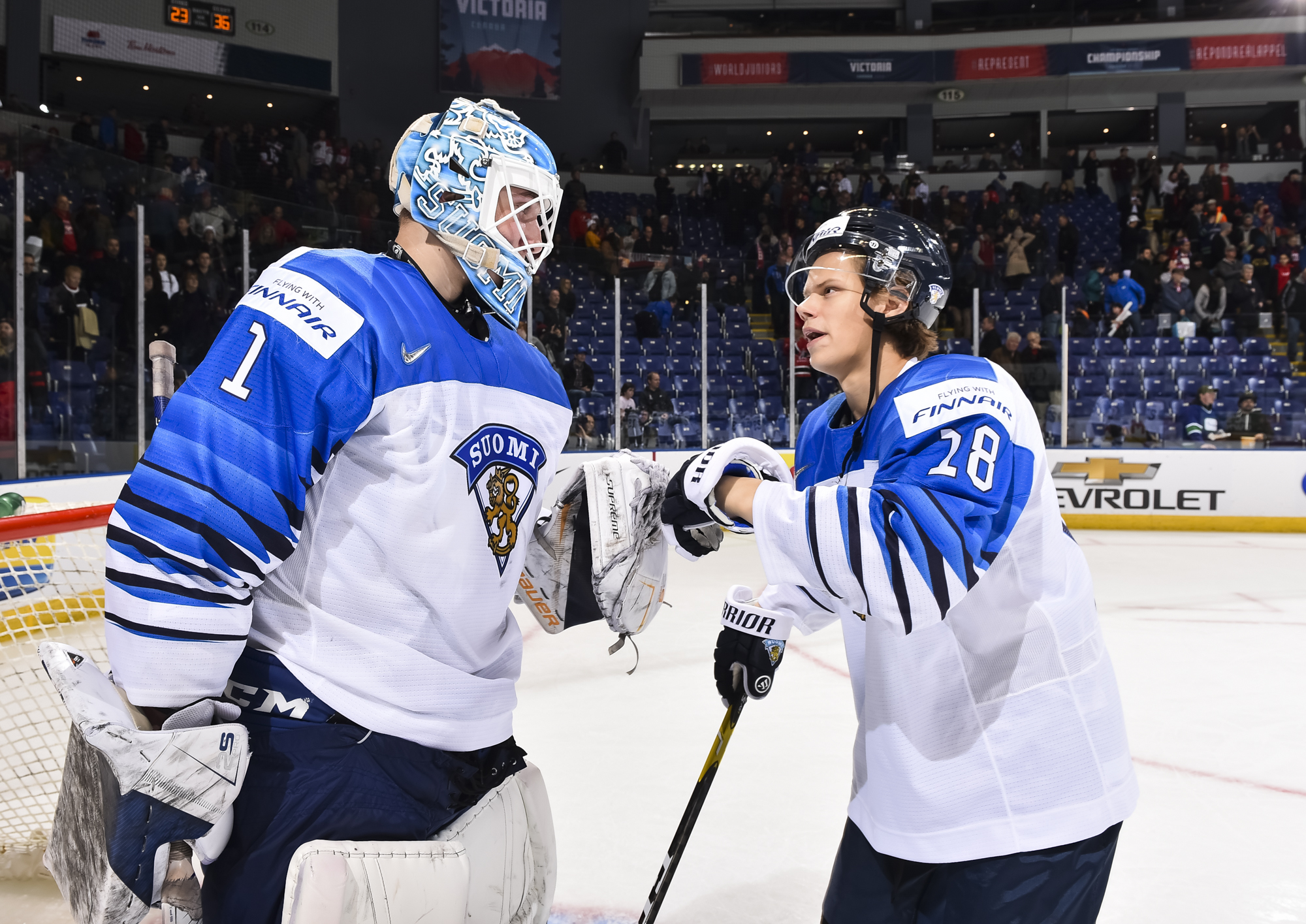 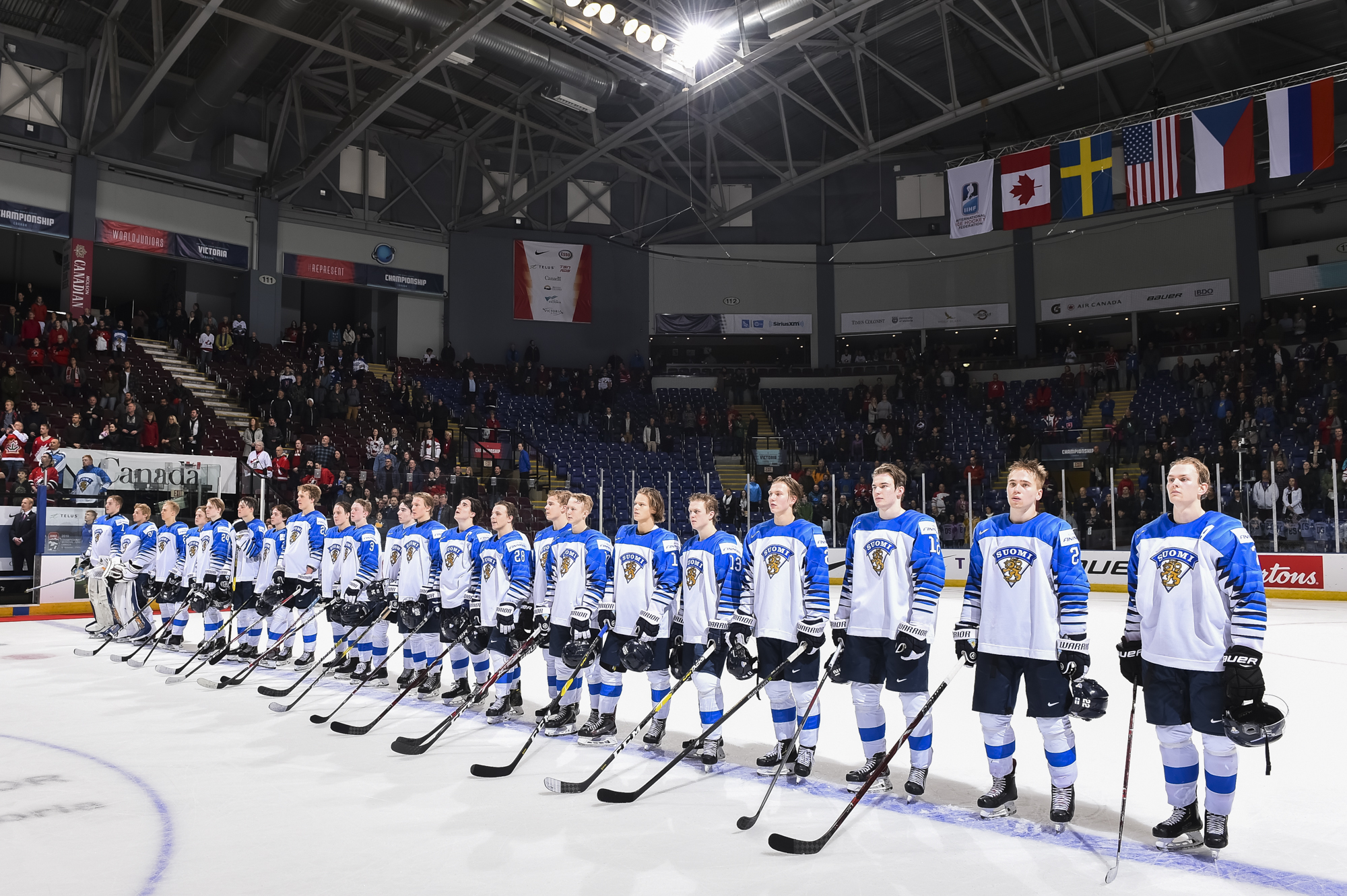 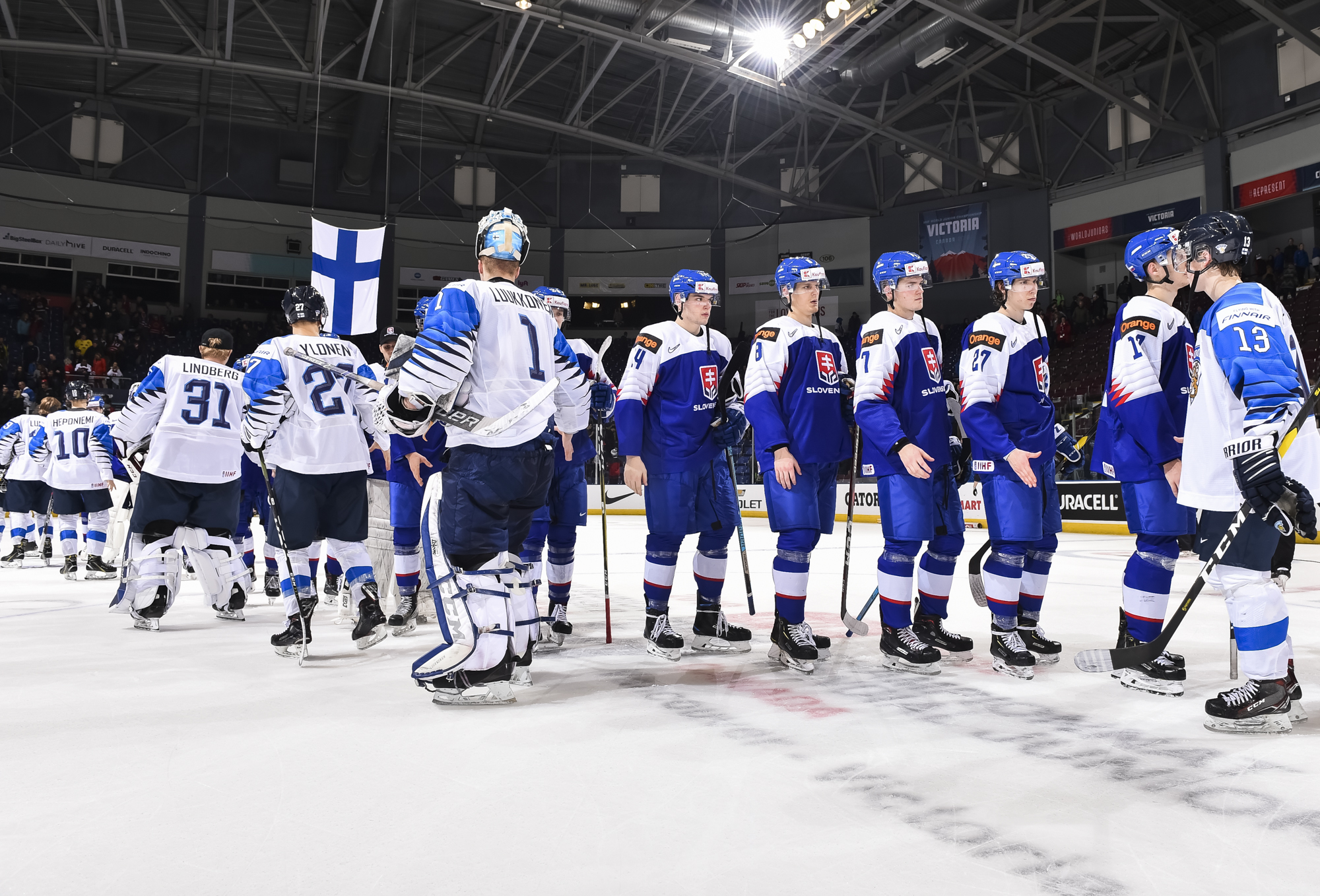 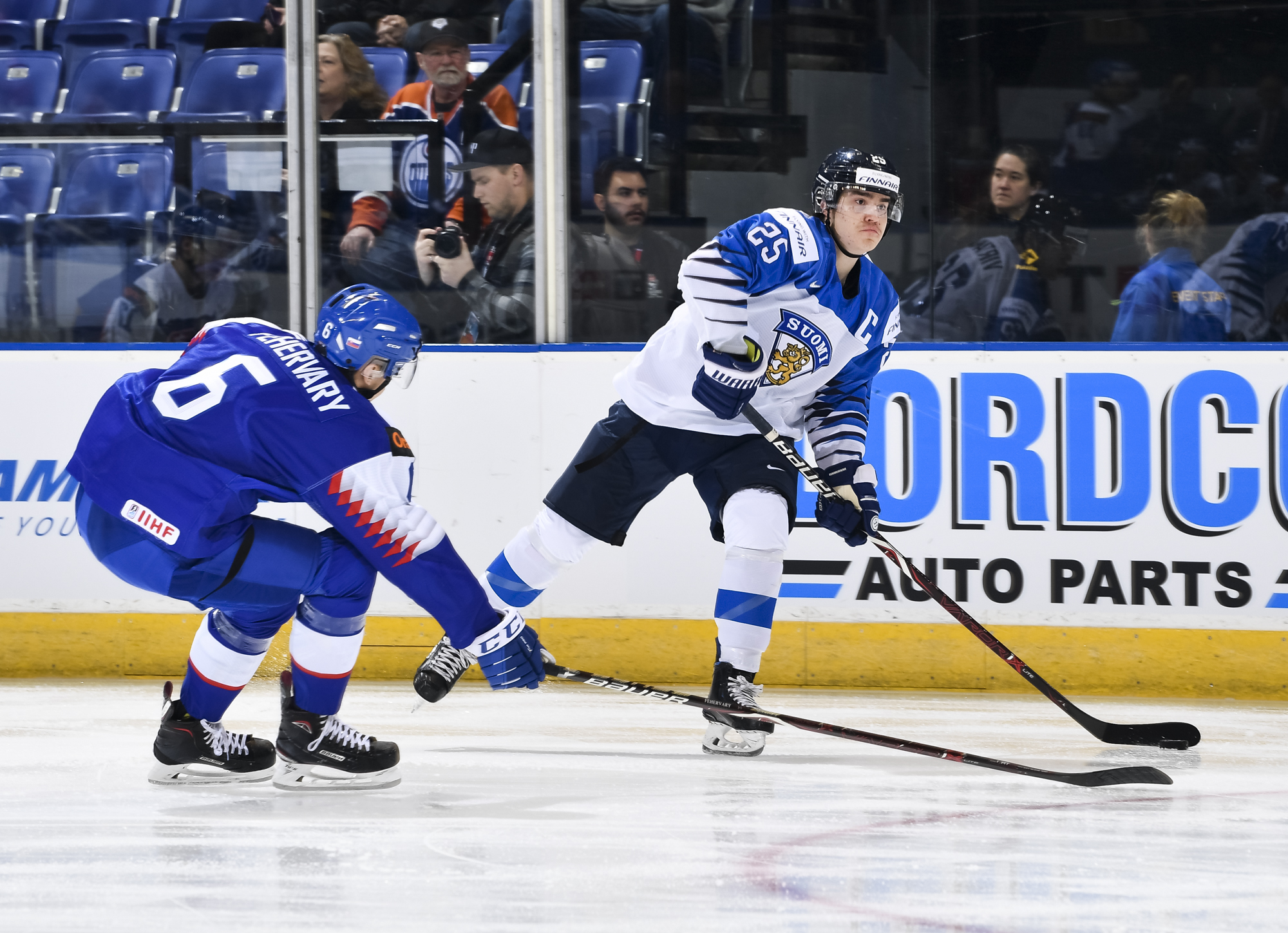 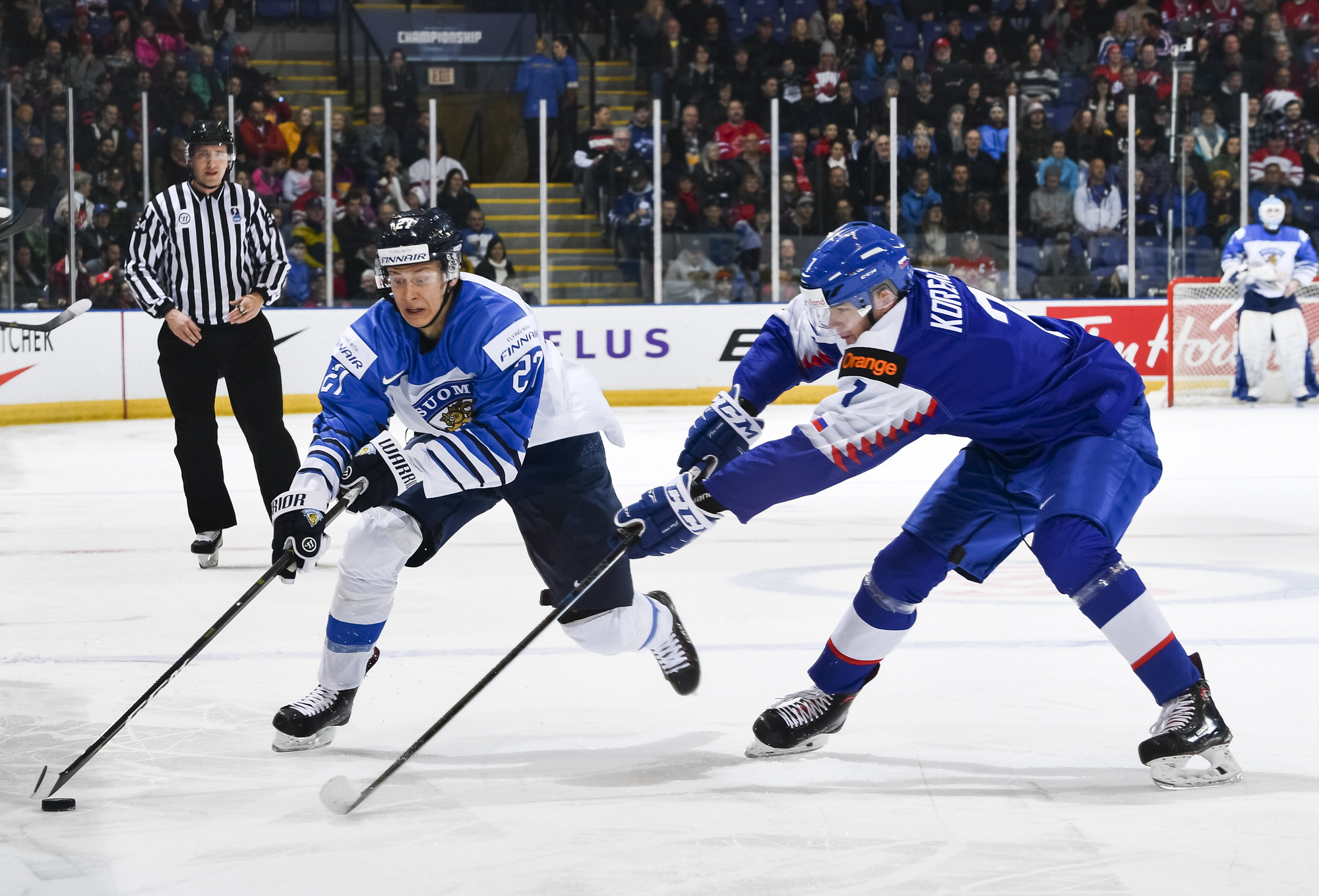 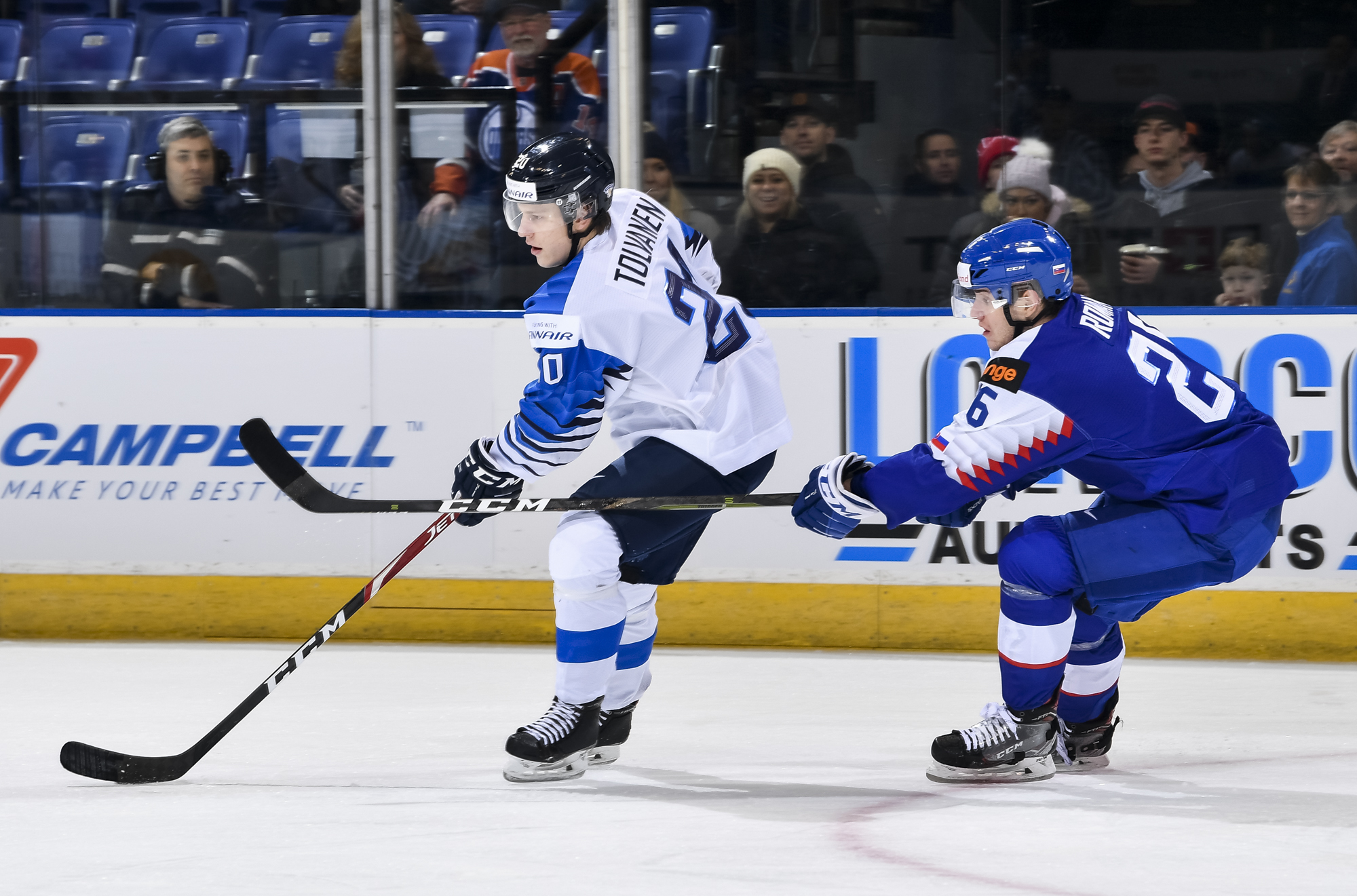 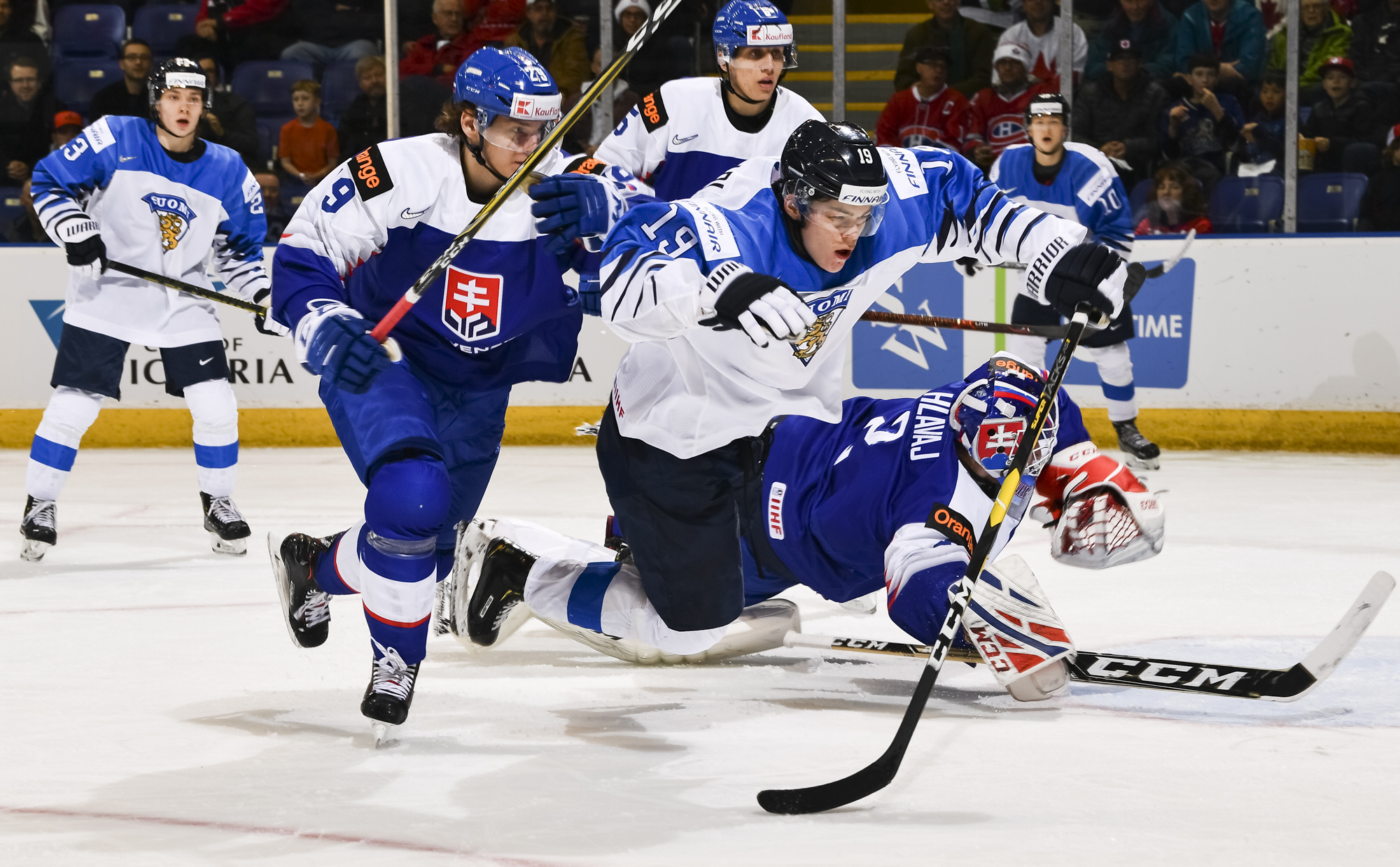 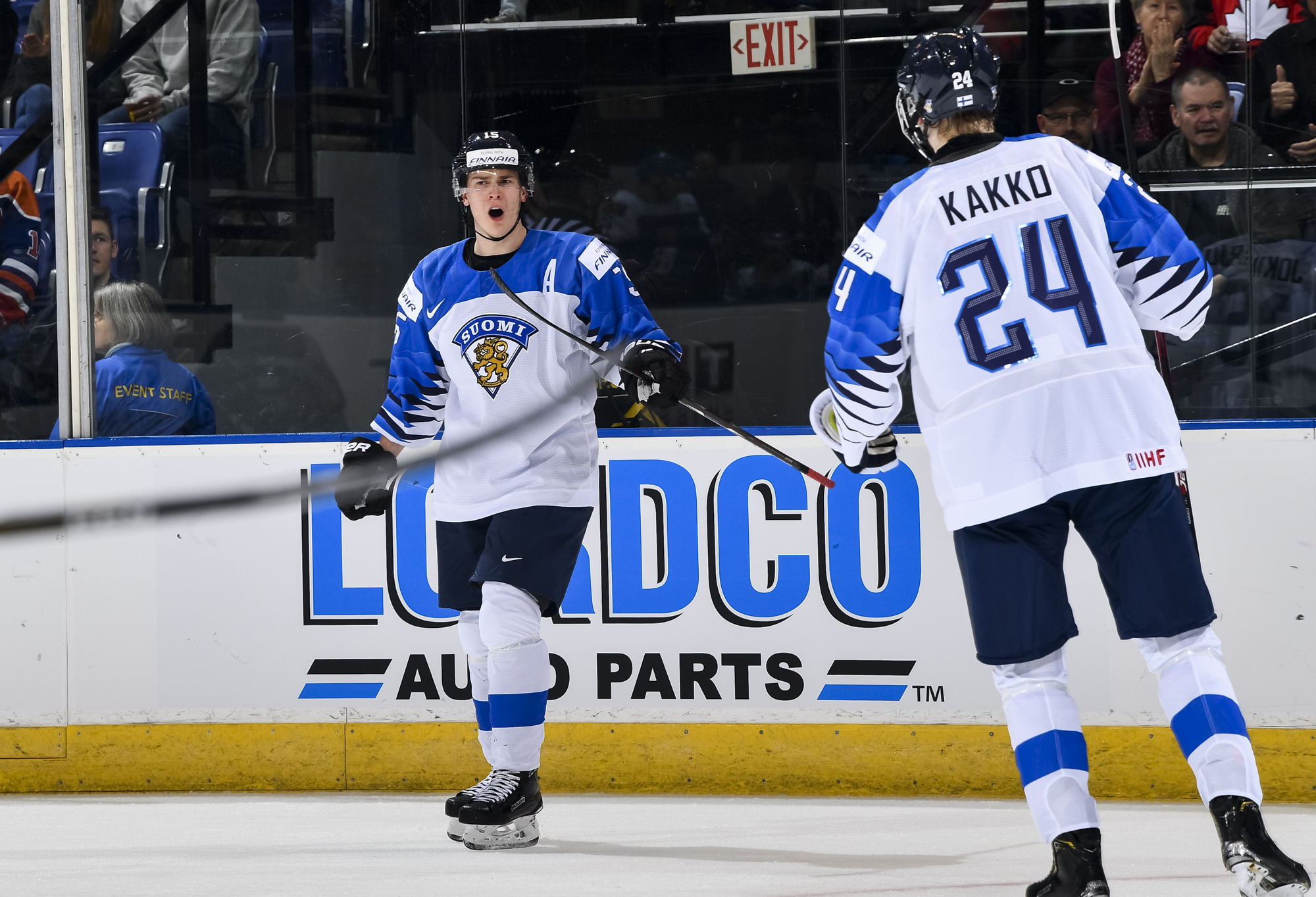 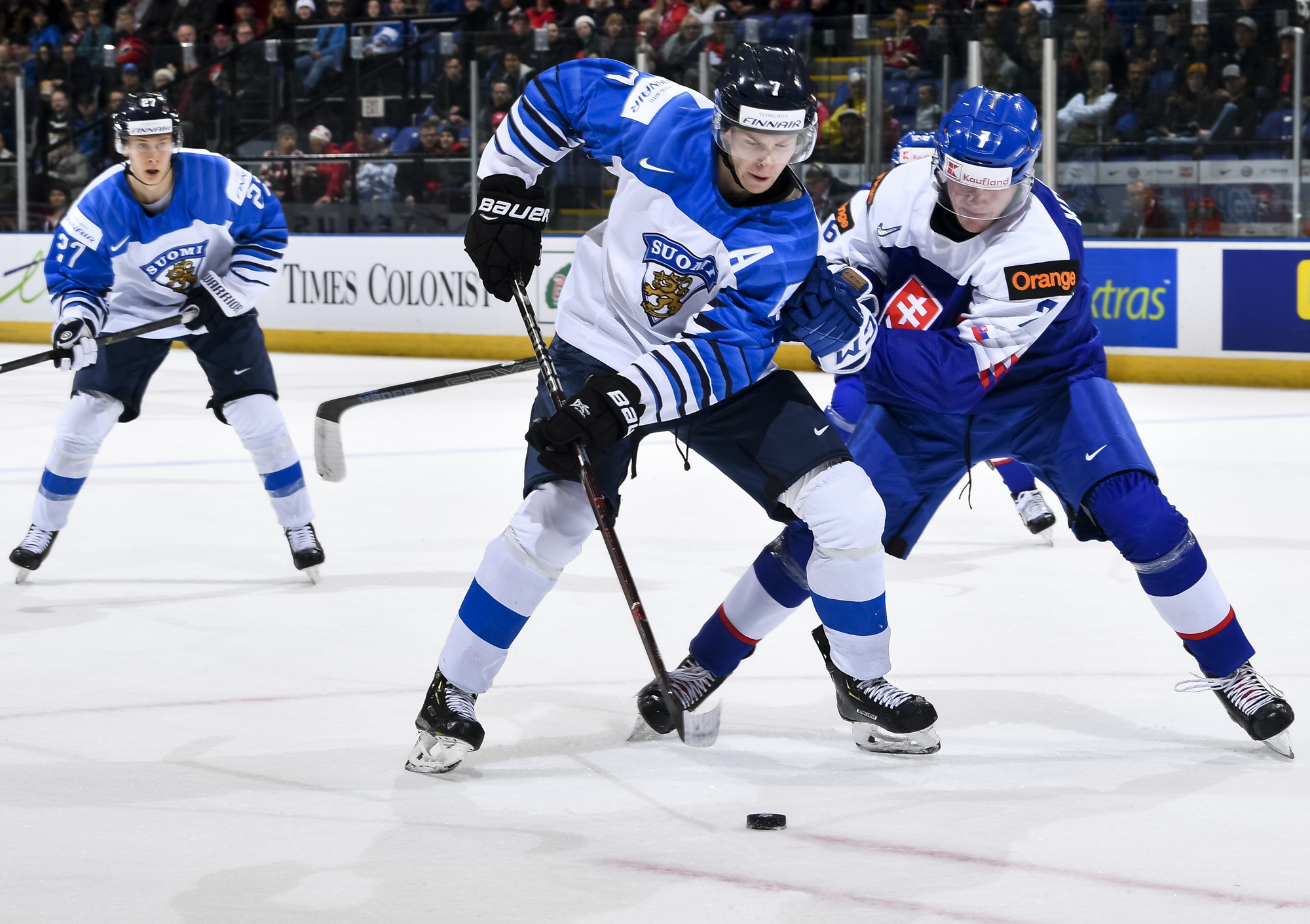 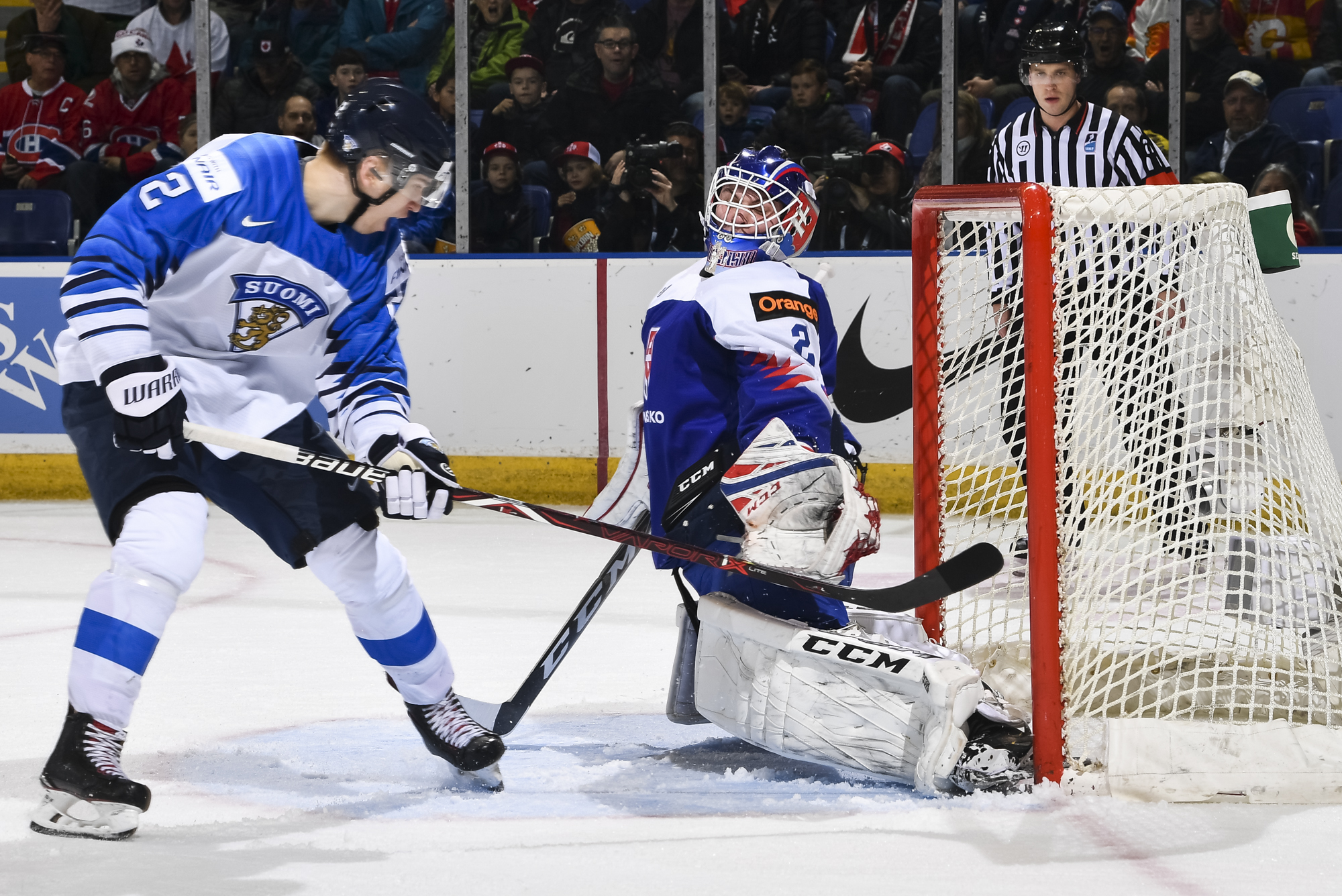 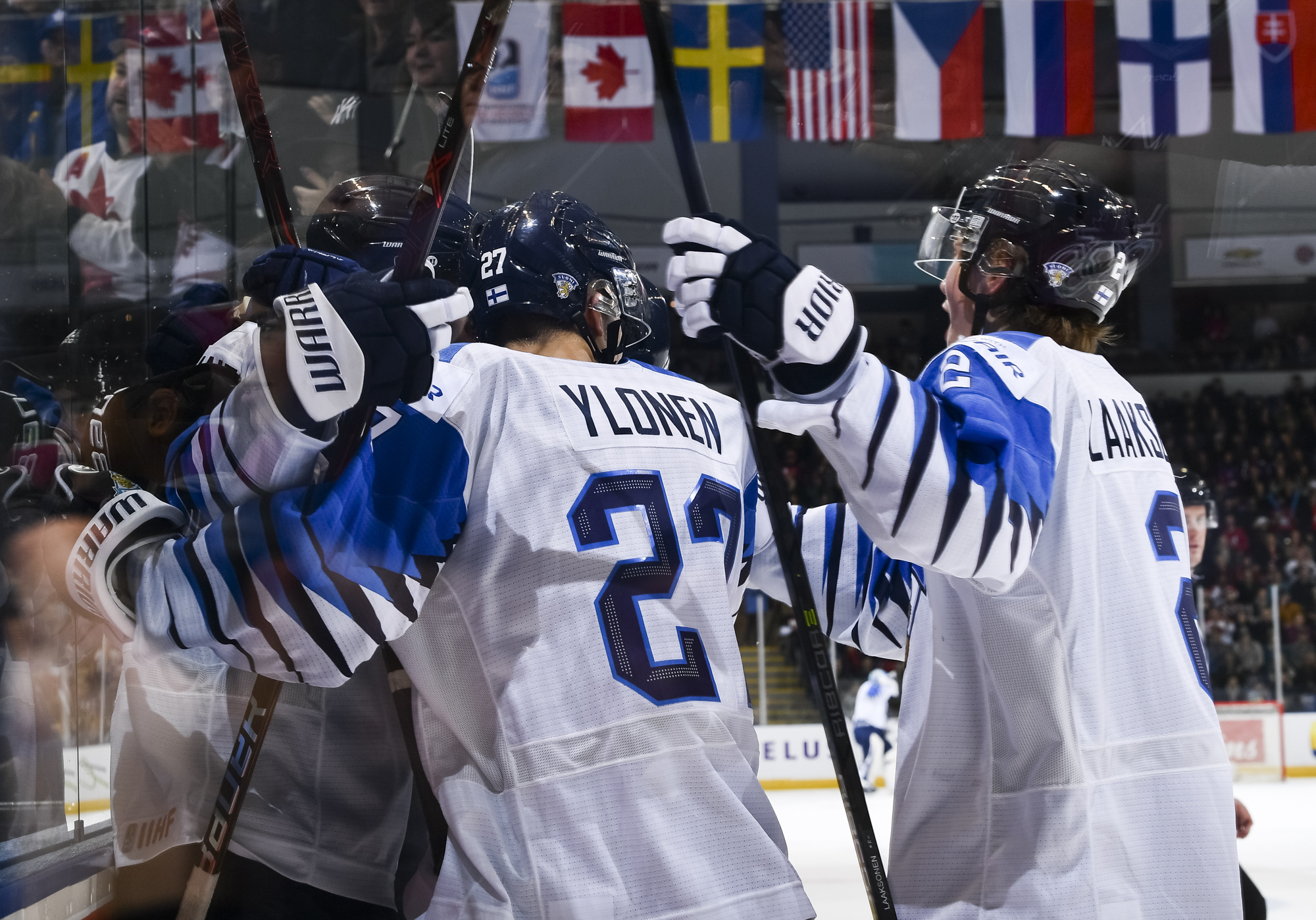 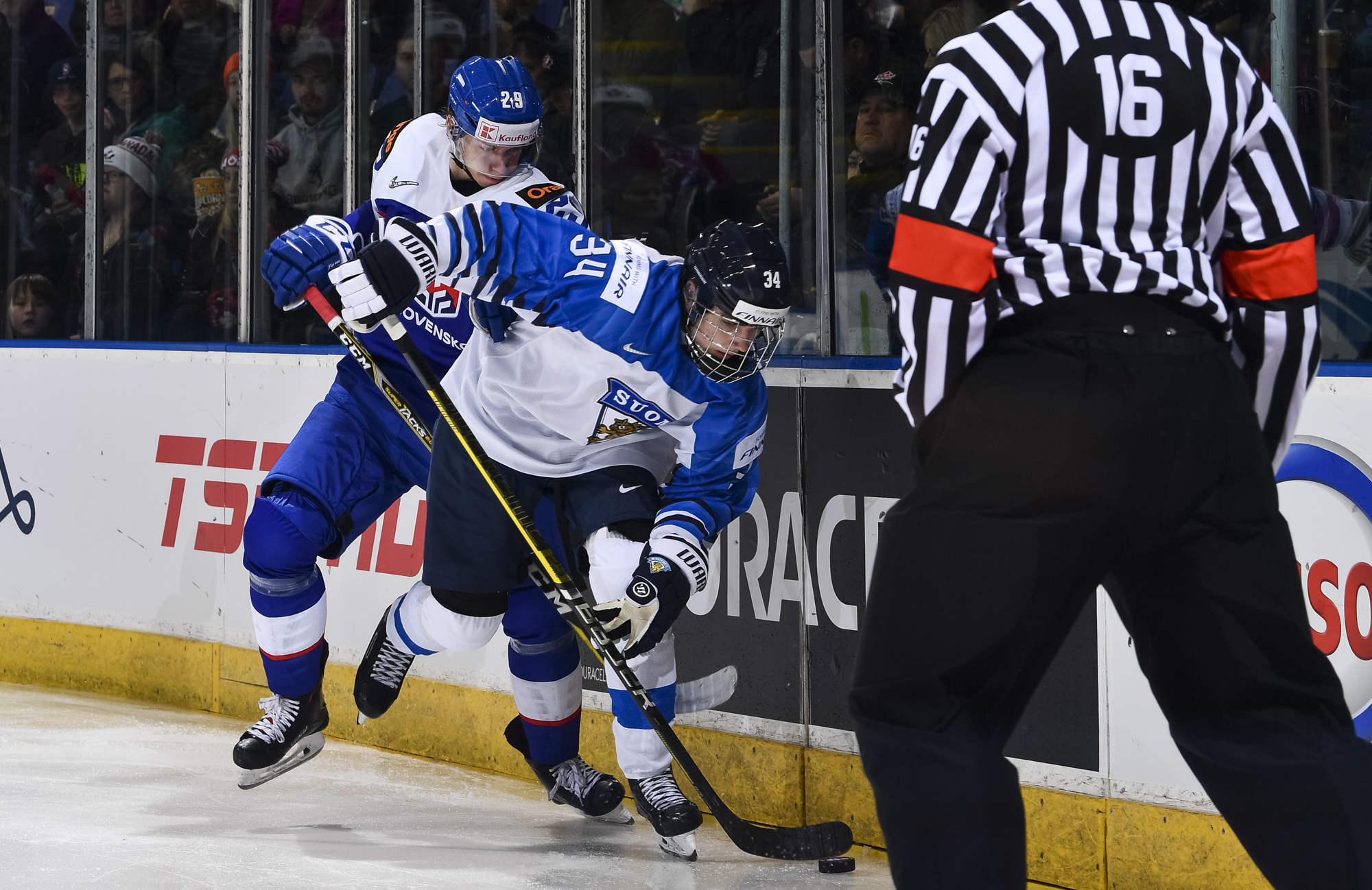 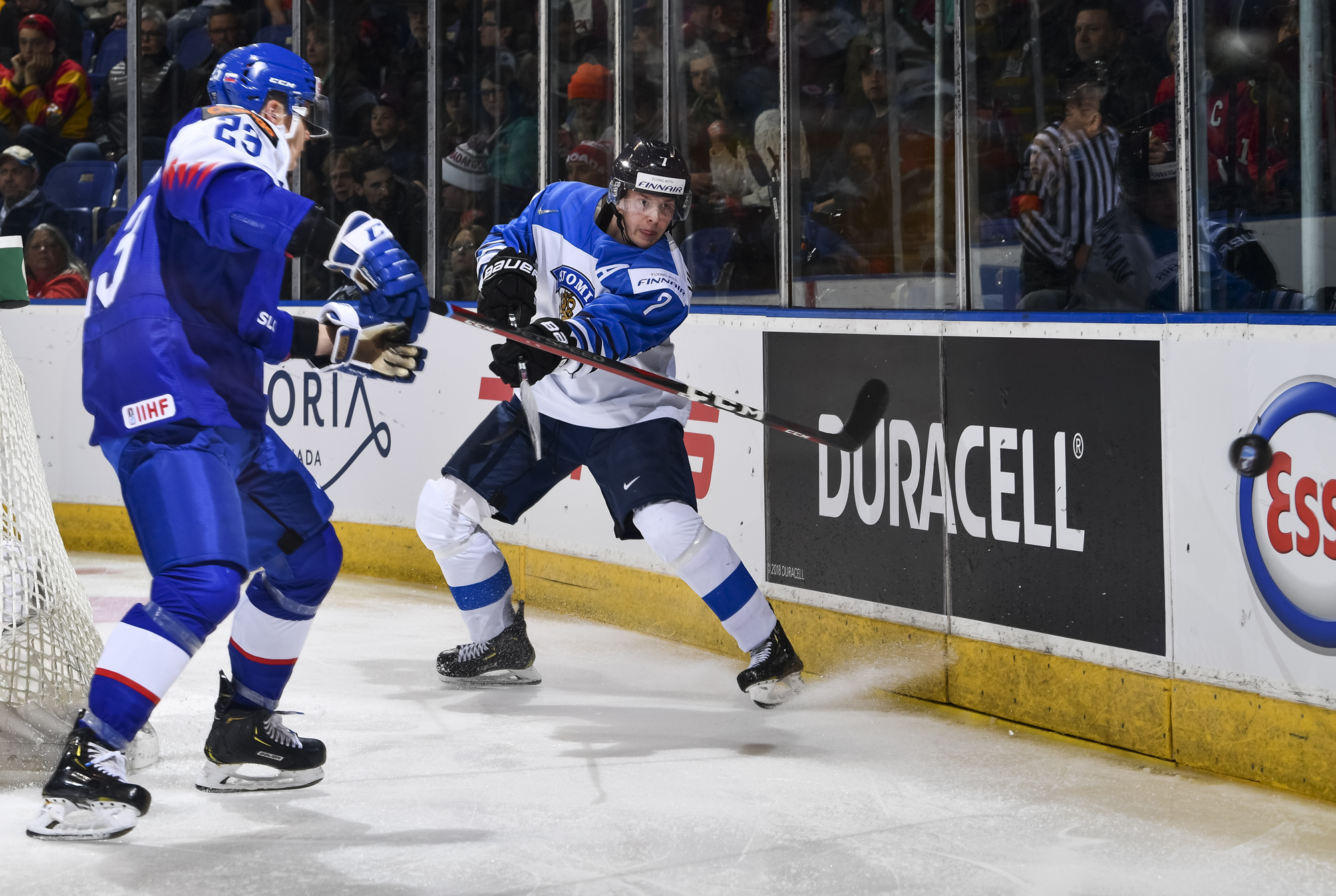 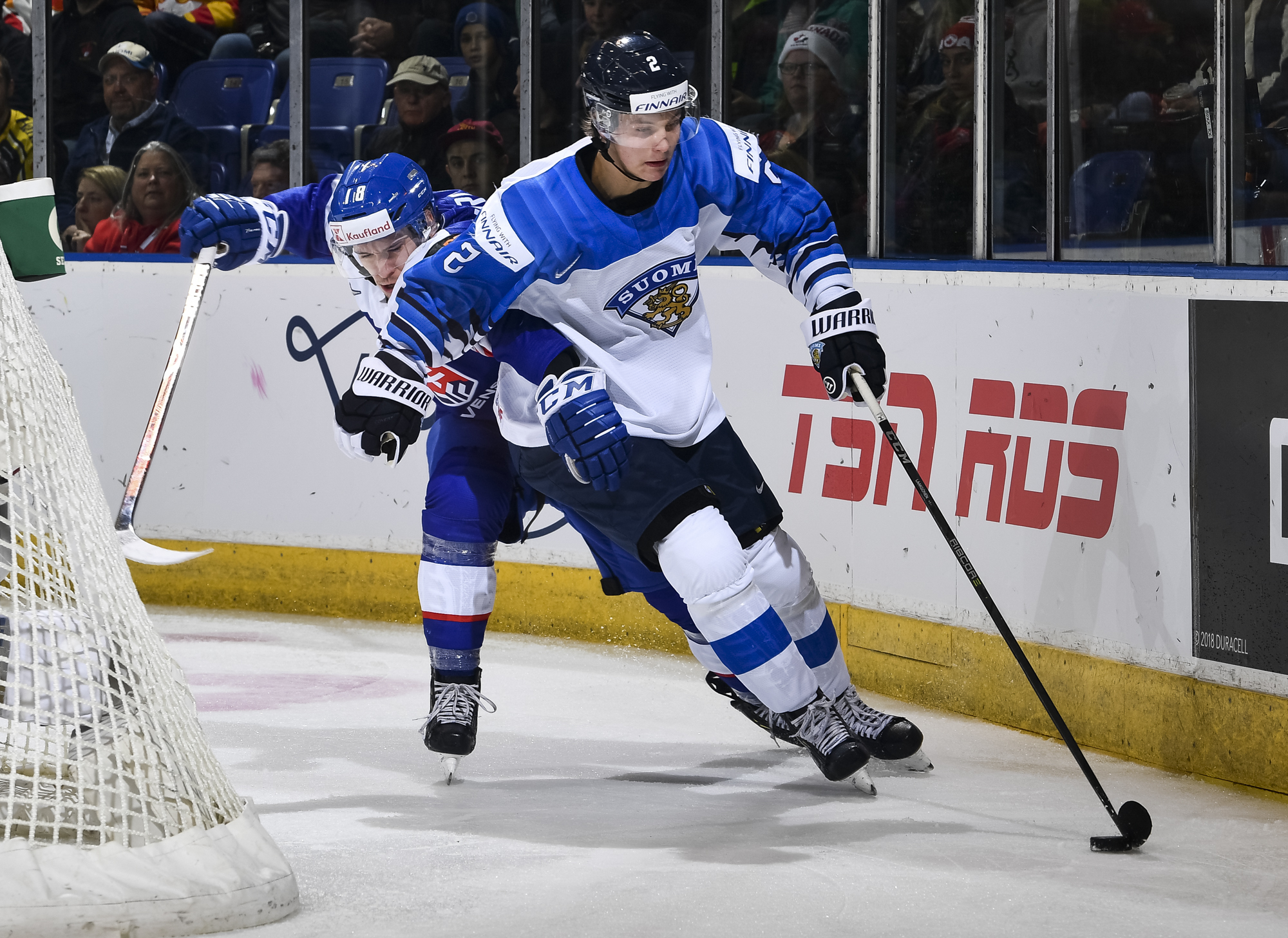 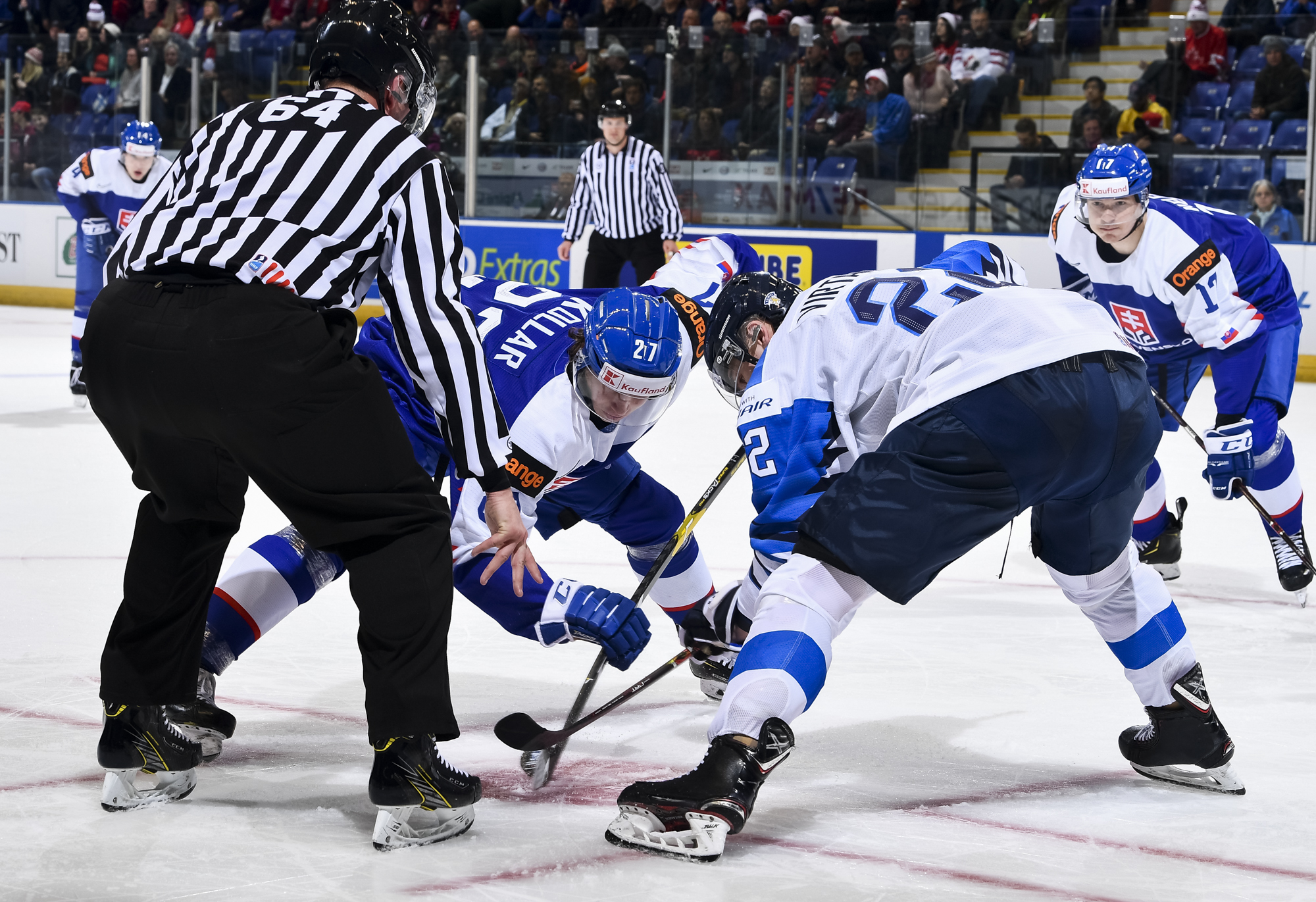 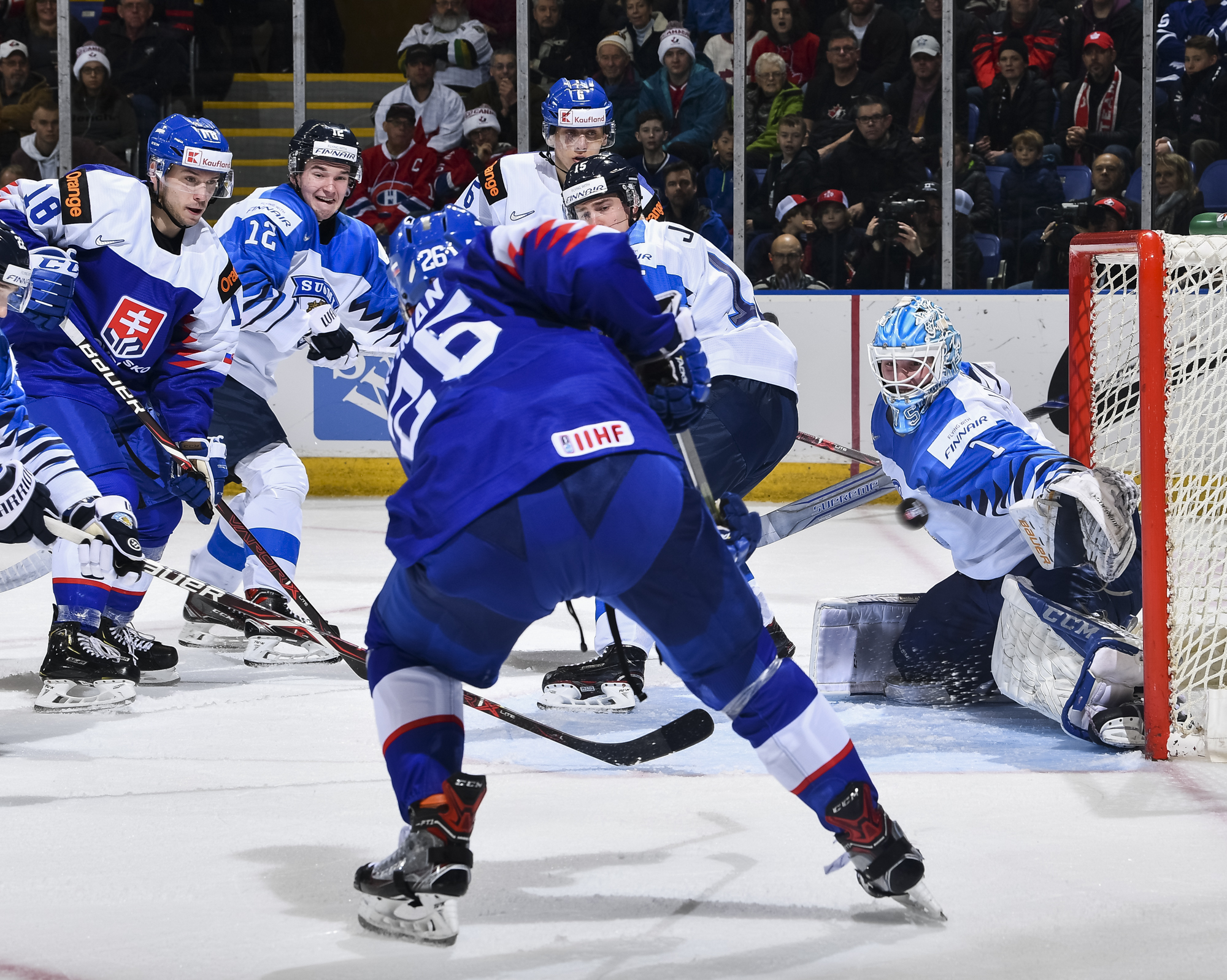 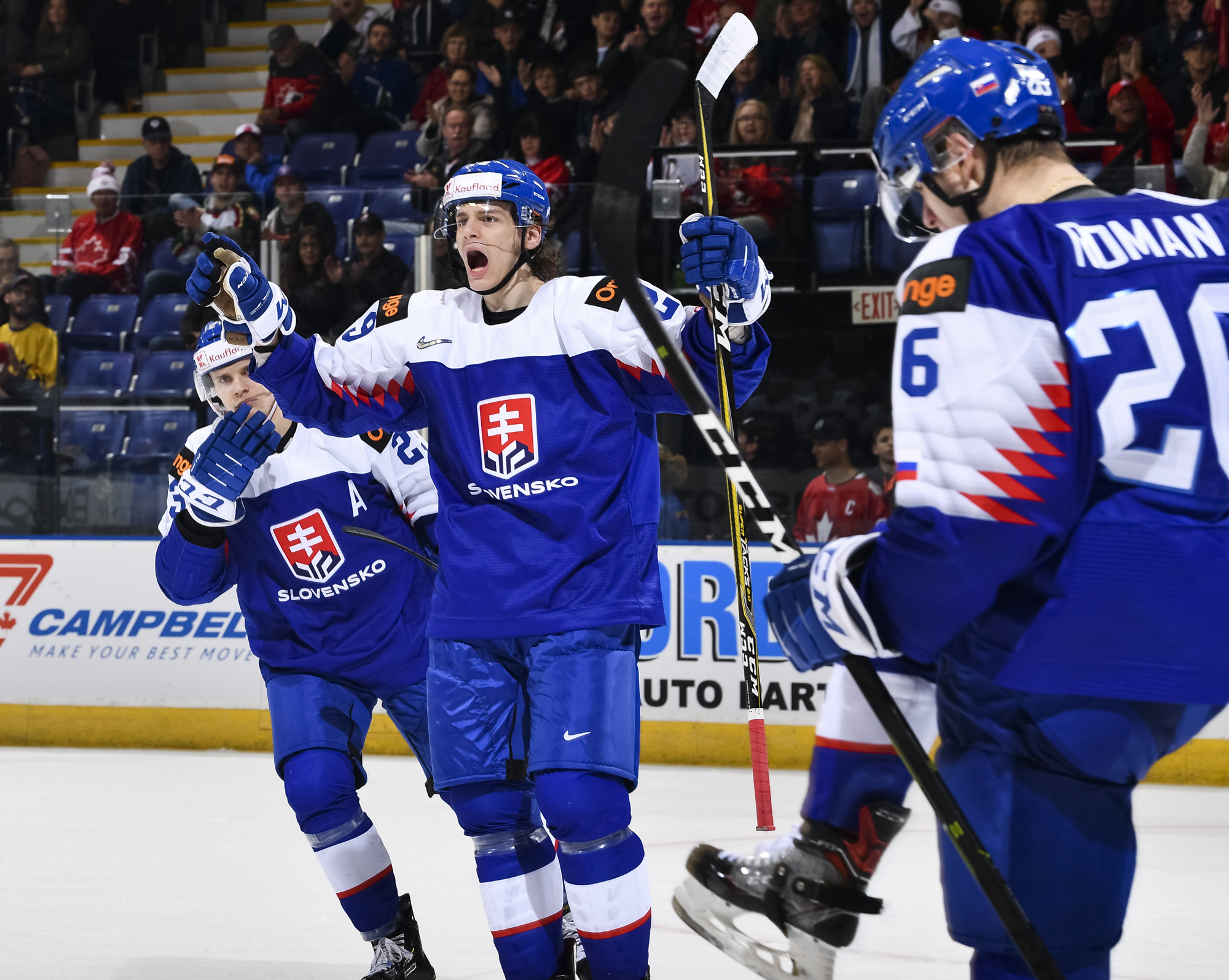 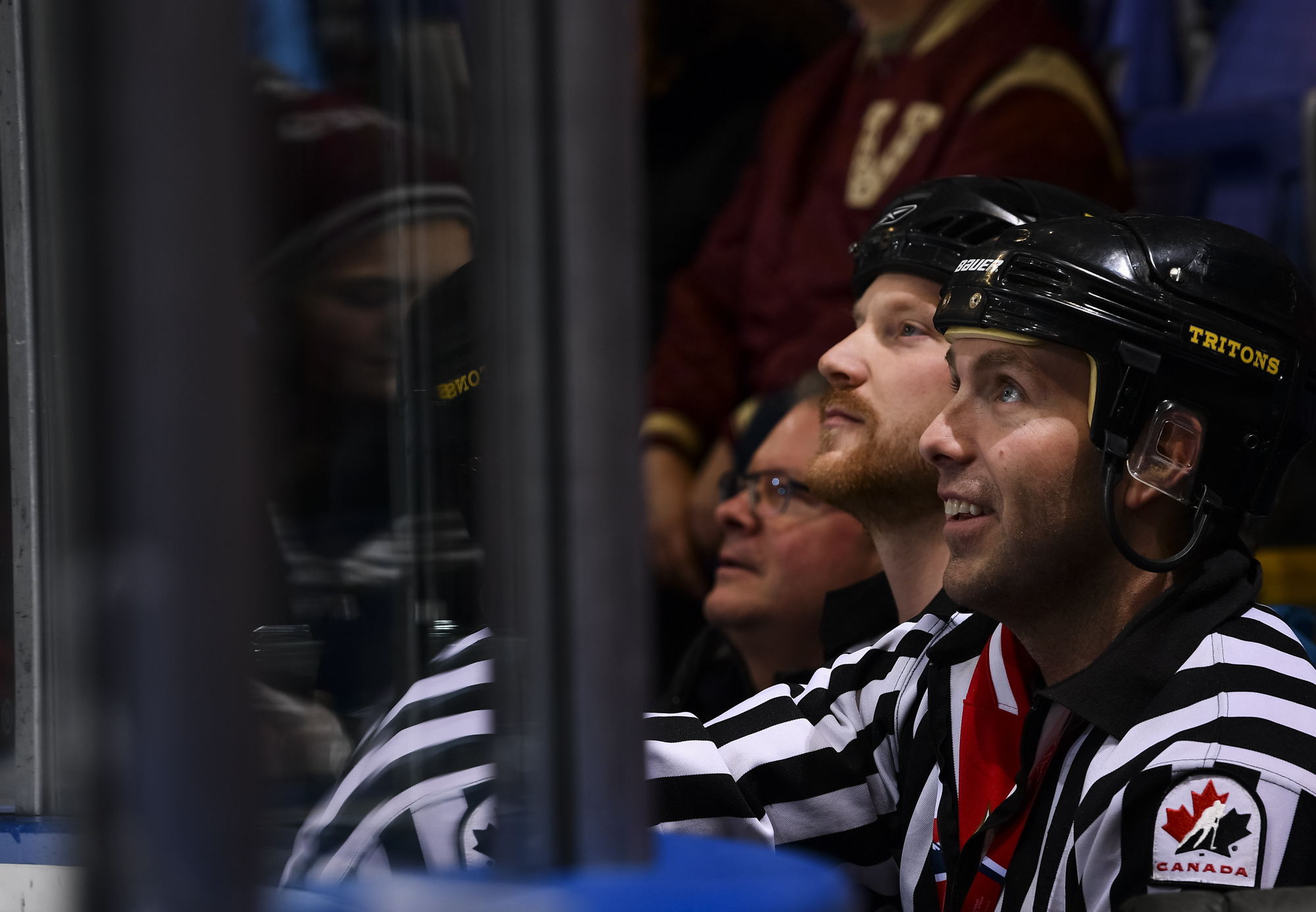 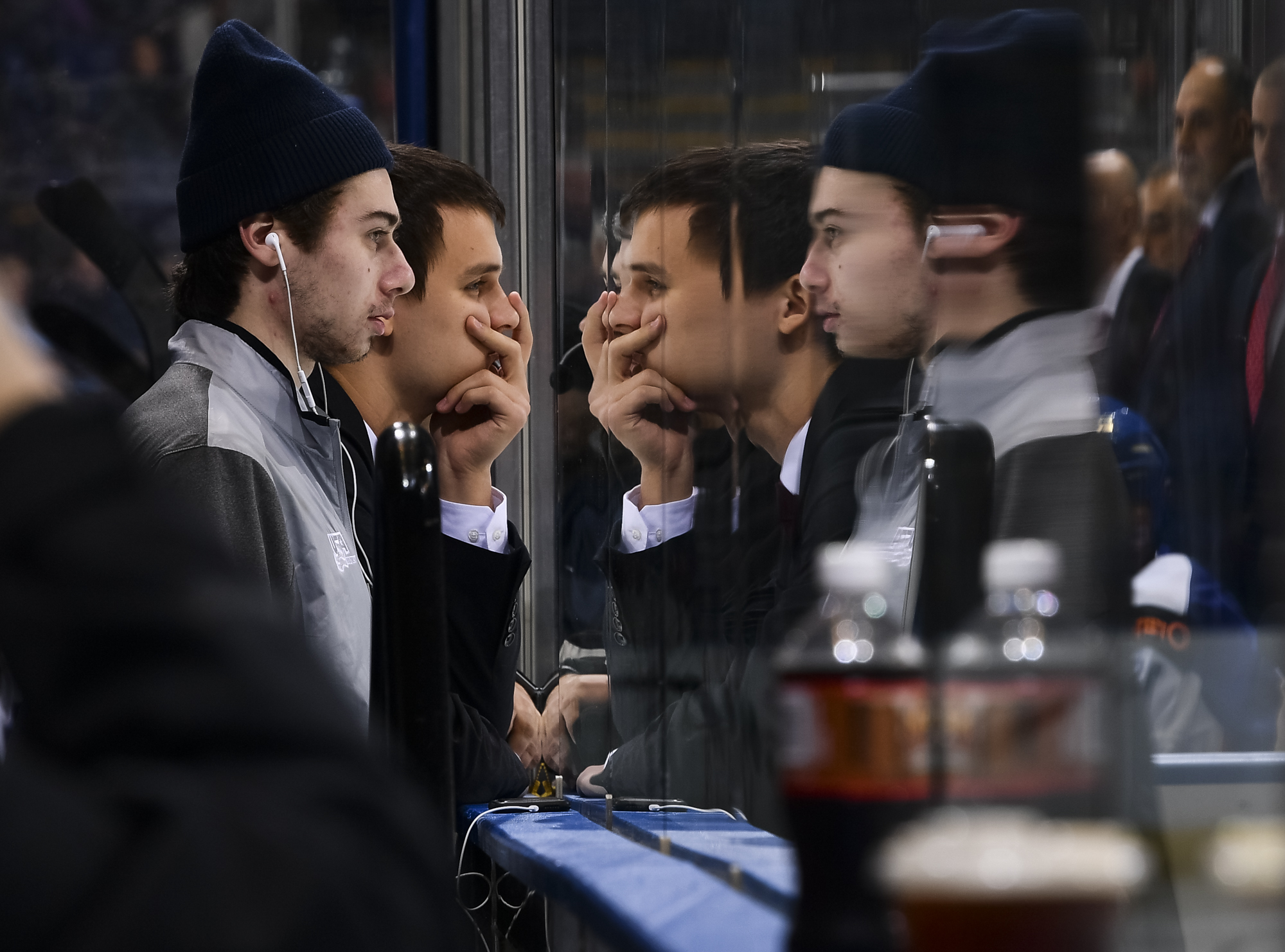 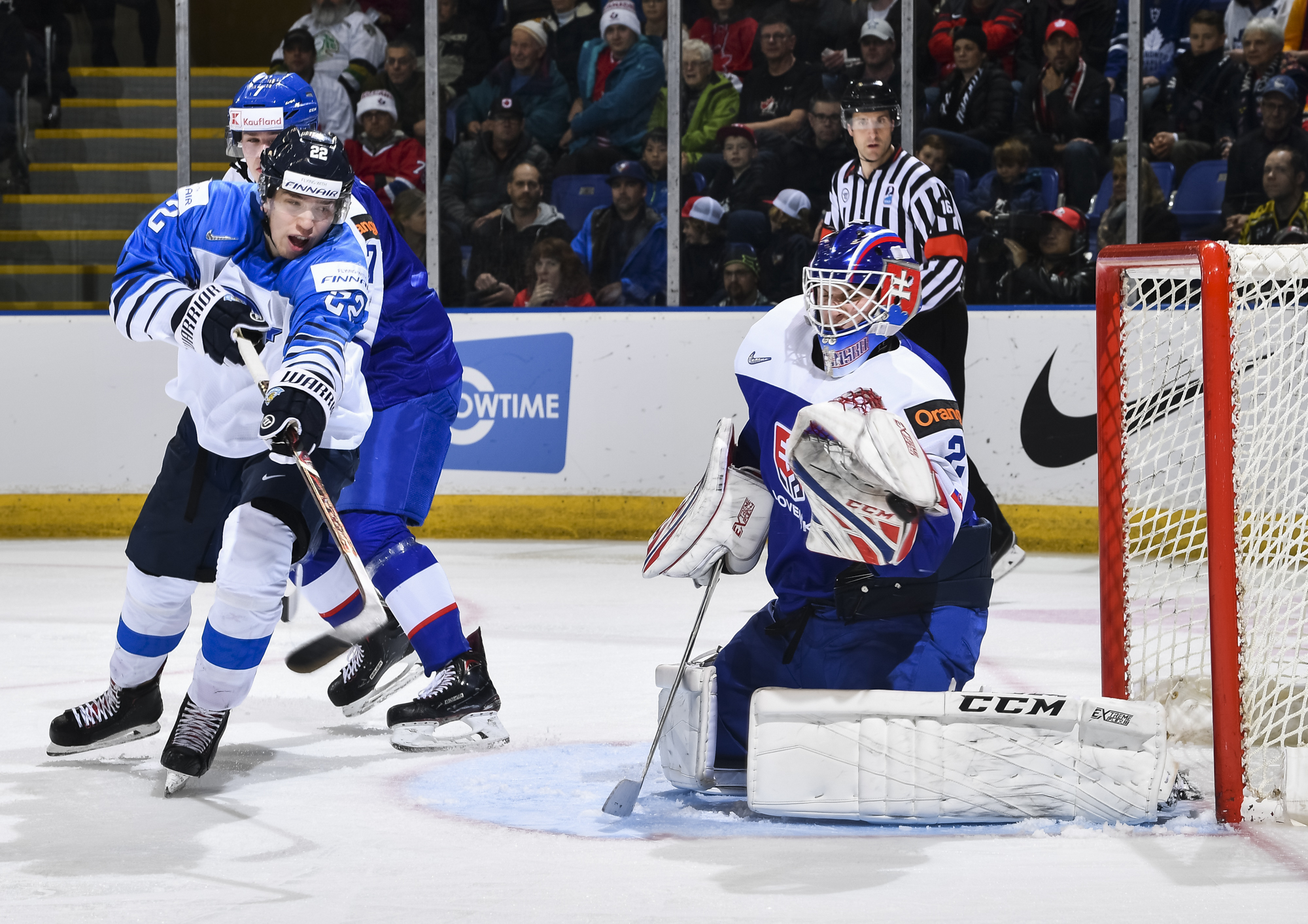 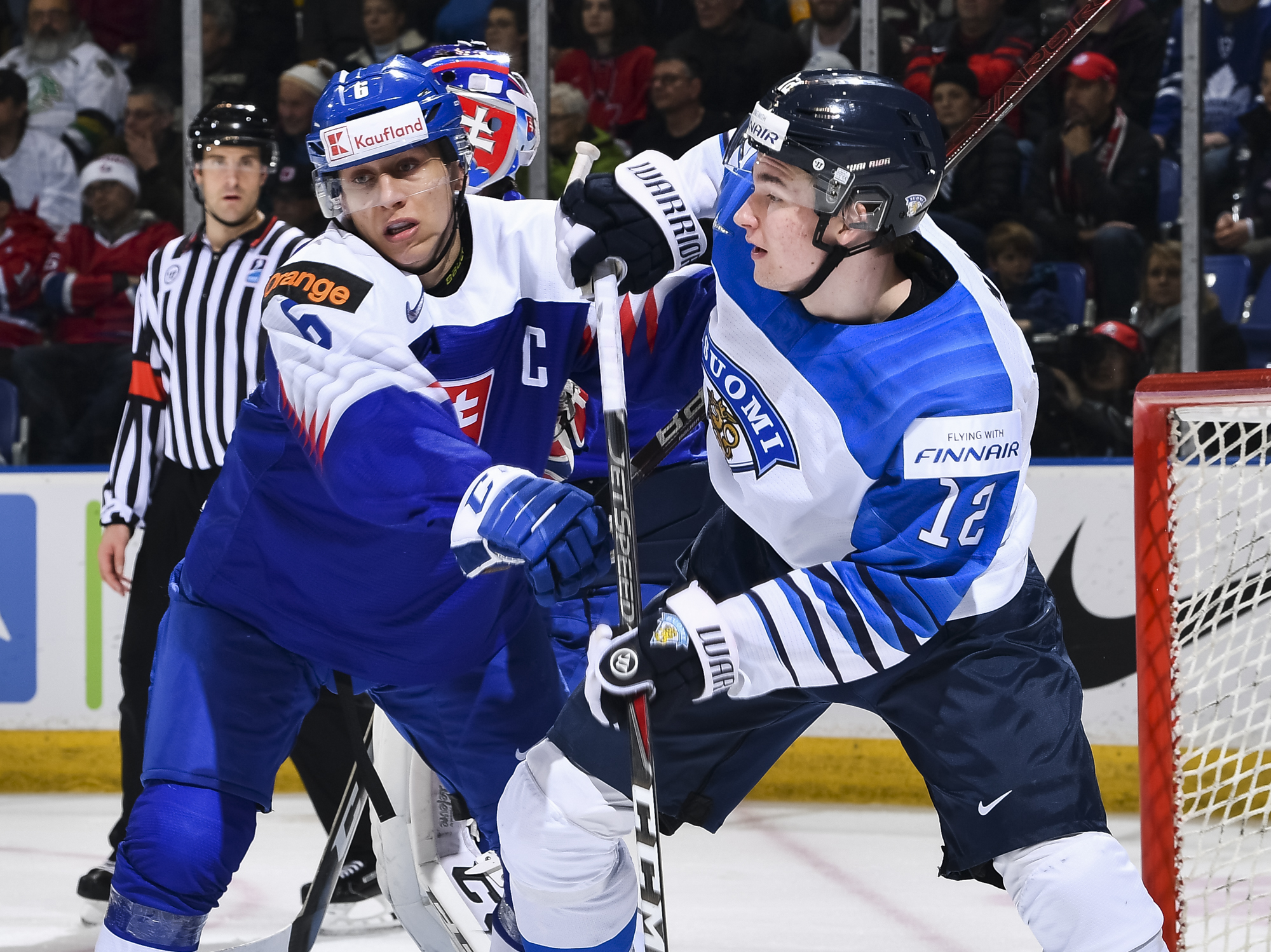 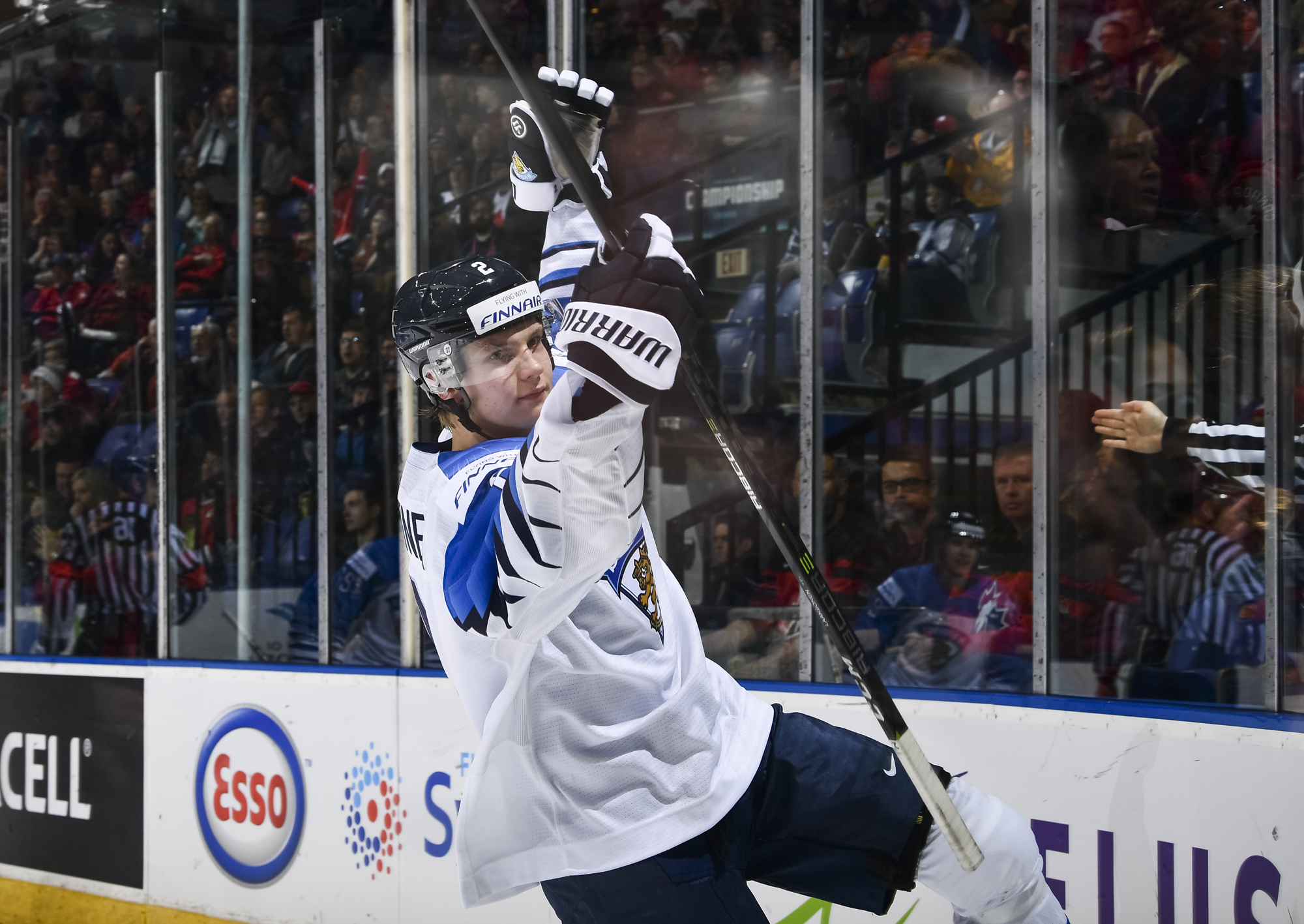 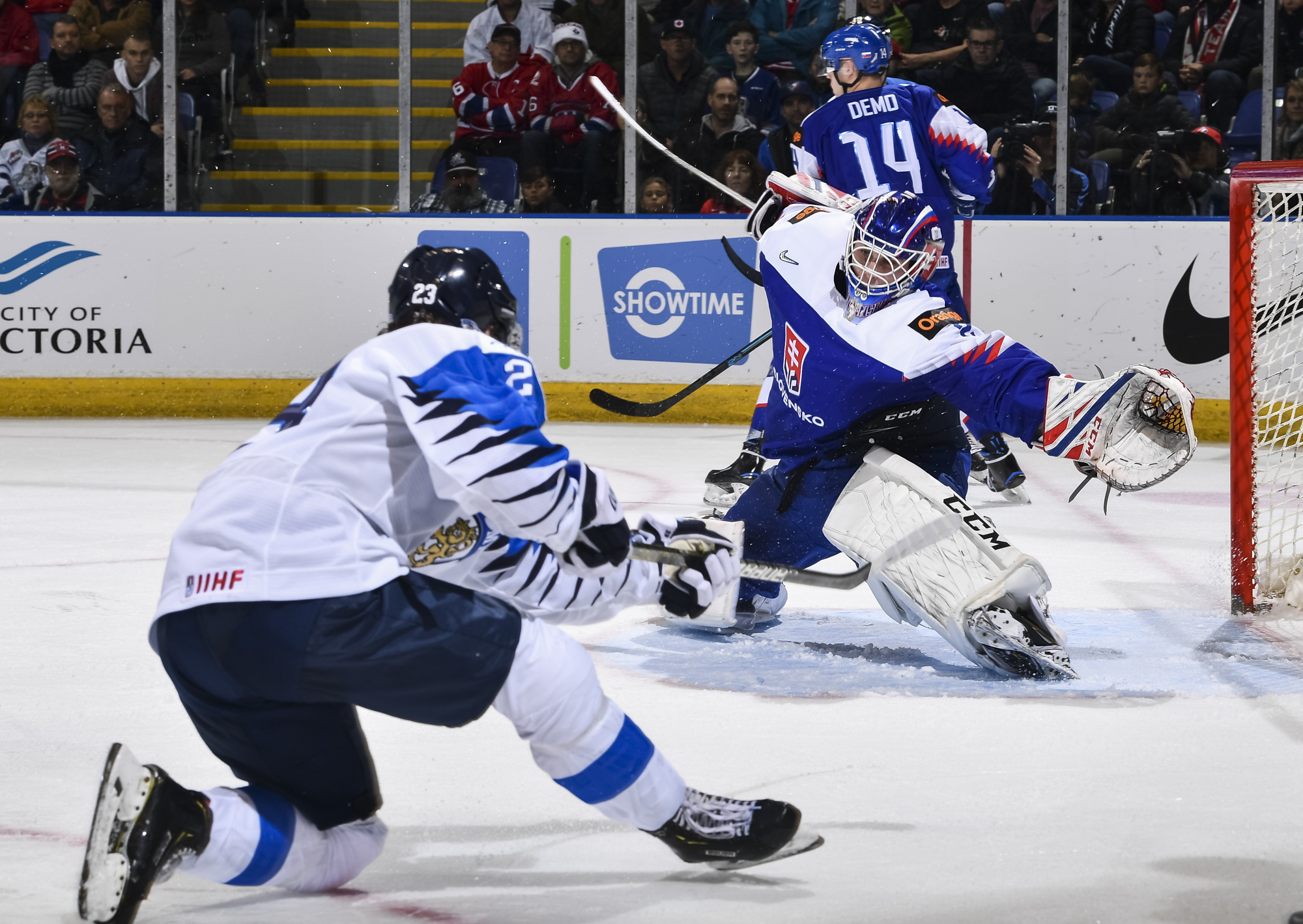 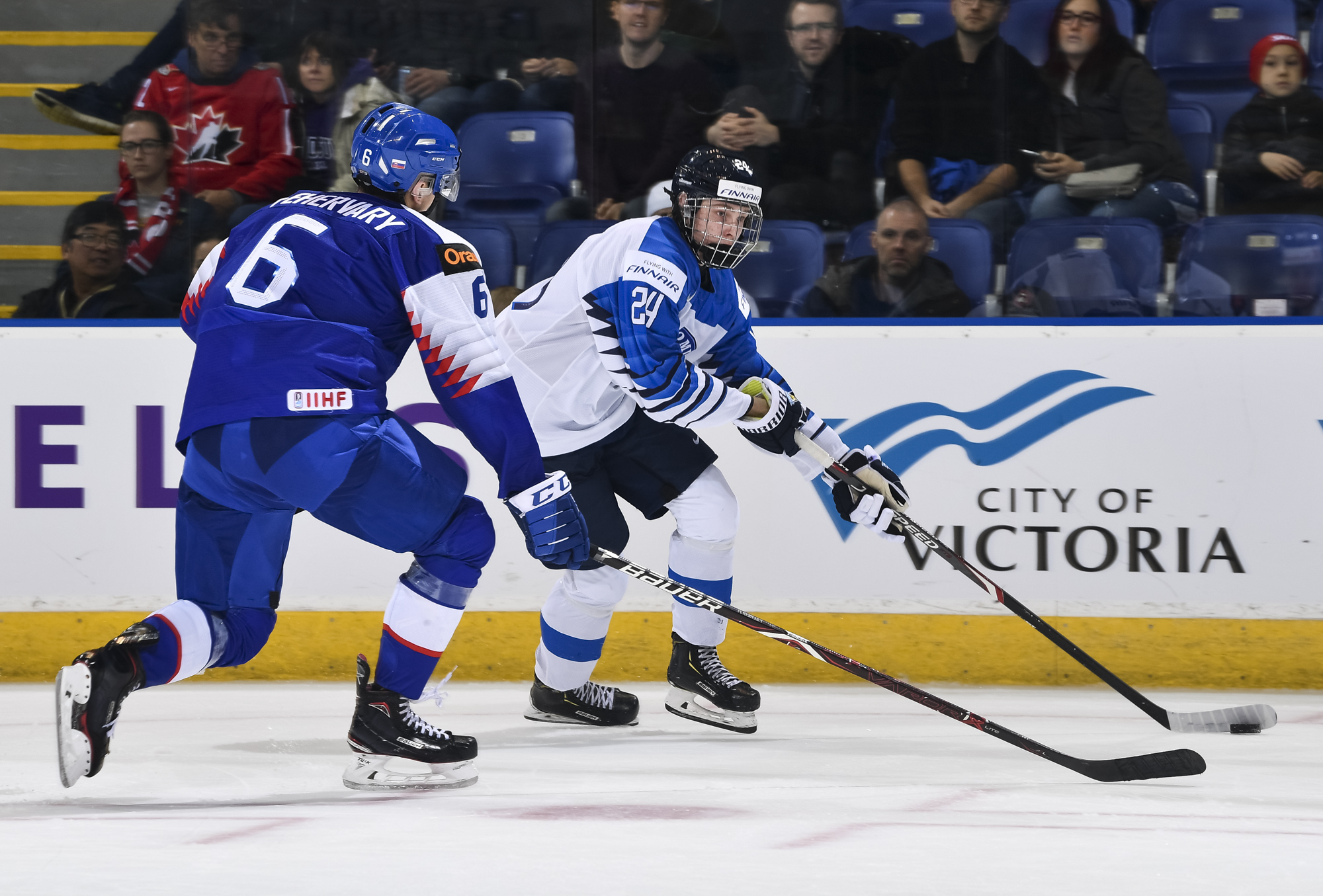 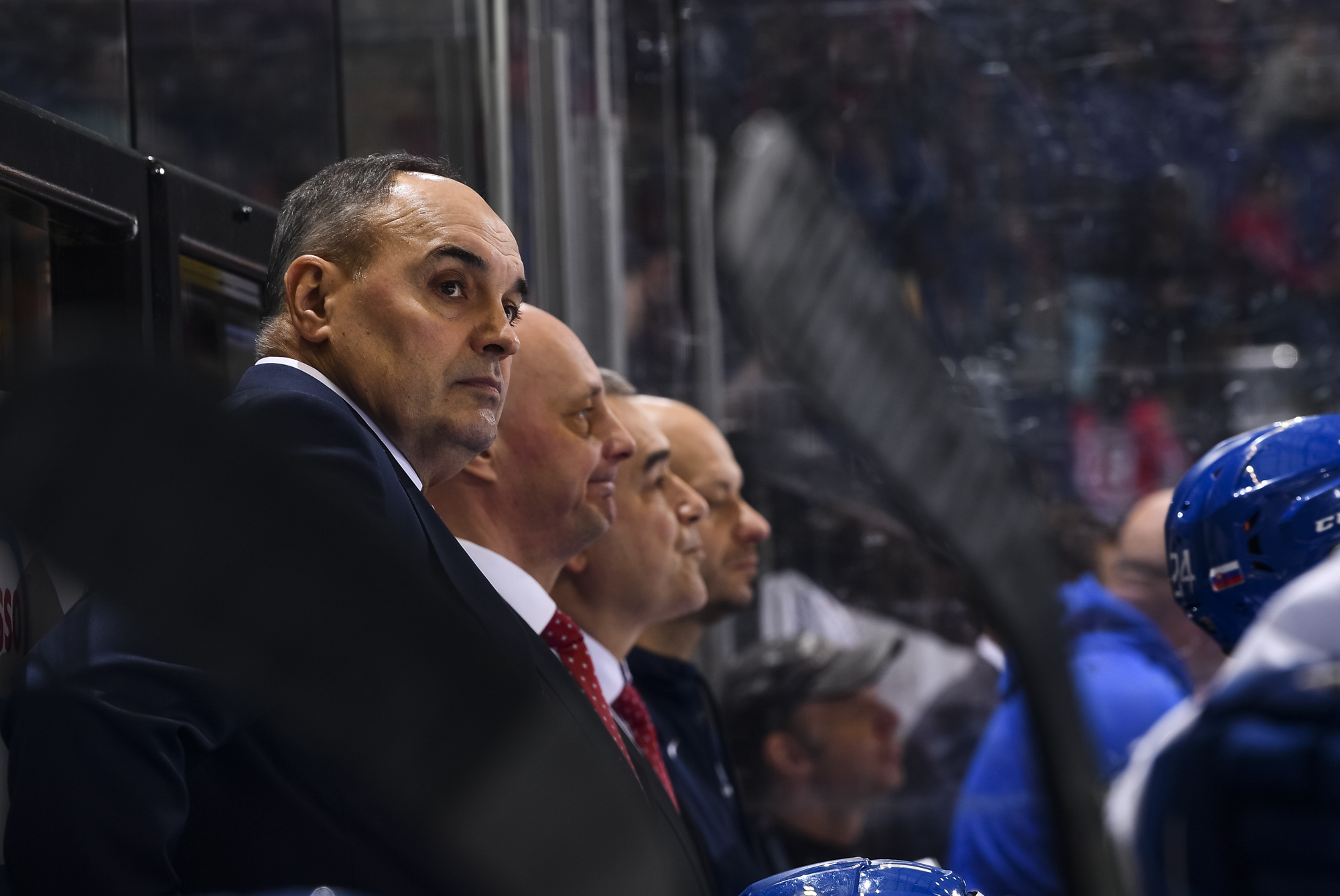 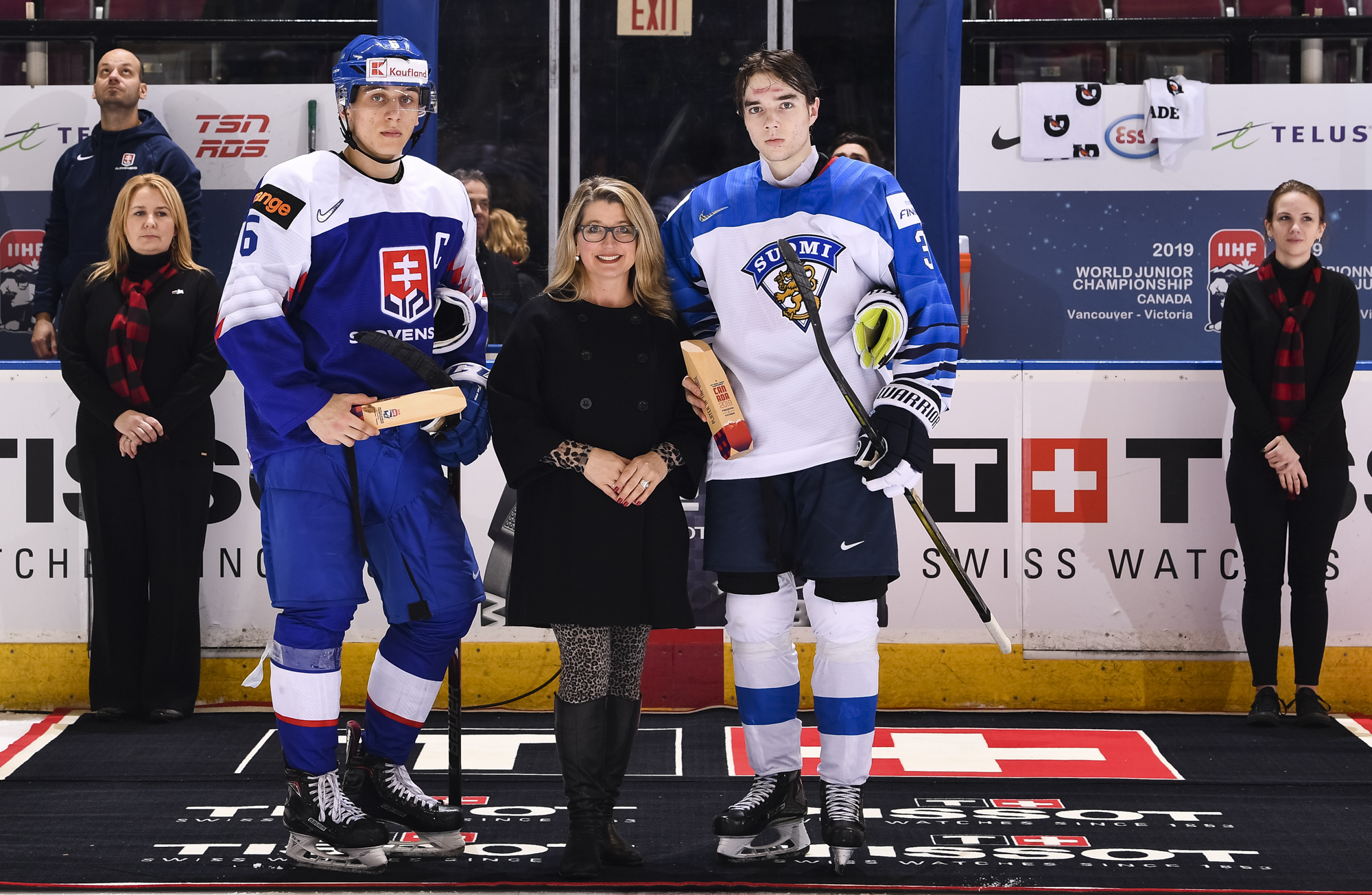 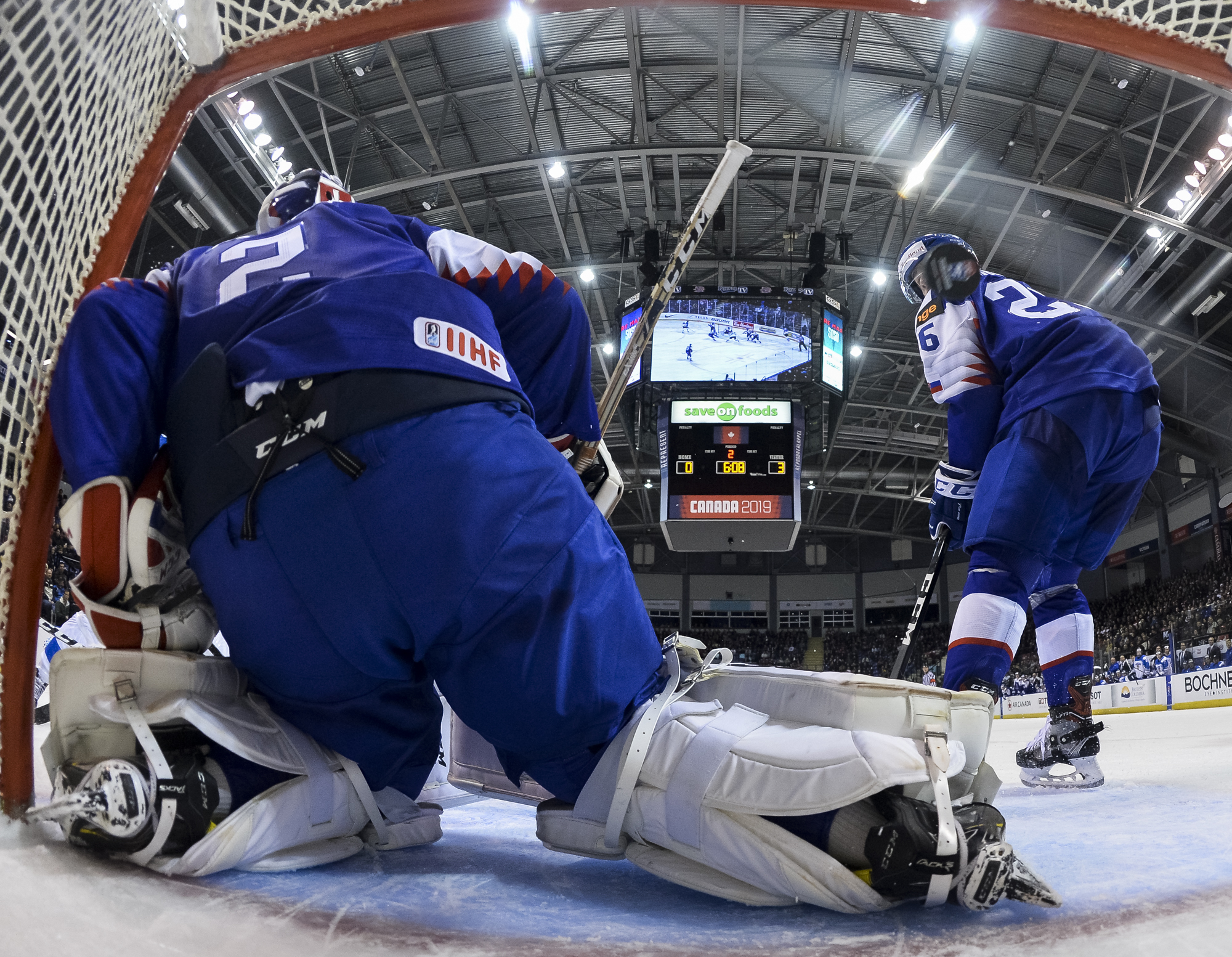