The U.S. beat Finland 4-1 on New Year's Eve and will stay in Victoria to play the Czech Republic in the quarter-finals on Wednesday. The Finns, who finished third in Group B, head to Vancouver to battle host Canada.

"I think we match up well with them," said tournament scoring leader Ryan Poehling (eight points) of facing the Czechs. "We’ve got a lot of deep lines and they’re kind of front-heavy. So for us to just tighten up against those top guys and play four lines, it’s going to help us a lot."

Tyler Madden led the way with a pair of goals. Jason Robertson added a goal and an assist, and Poehling also scored for the Americans. Josh Norris picked up two assists. Goalie Cayden Primeau got the win as the U.S. outshot Finland 39-28.

"It really helps that the guys stepped up and were blocking shots and keeping them to the outside," said Primeau, who now has two wins with a 1.50 GAA.

Jesse Ylonen replied for the Finns.

"Canada is always beatable," said Finland's Aleksi Heponiemi about the quarter-final. "They play tough and aggressive hockey, and they’re good here. But I think we’re going to have a good chance to beat them, and we’ll be ready to play against them."

The U.S., which is seeking its fourth consecutive medal at this tournament, has not lost a playoff game to the Czech Republic since falling 3-2 in overtime in the 2005 bronze medal game in Grand Forks, North Dakota. That was the last Czech World Junior medal.

Finland beat Canada 6-5 with Patrik Laine's late winner in their last quarter-final meeting in Helsinki in 2016, and the blue-and-white team led by the trio of Laine, Sebastian Aho and Jesse Puljujarvi won the gold medal. However, these are two very different teams in 2019.

"It’s a good opponent for us," Finnish coach Jussi Ahokas said of Canada. "I think we played against them already in one exhibition game and we were able to beat them [5-2]. It’s good to get them again at this point in the tournament, because if you want to win the whole thing, you have to win them all."

For the Americans, Madden, a shifty Northeastern University forward, has seen his ice time bumped up in the absence of Jack Hughes, who missed his third straight game. Defenceman Quinn Hughes’ 17-year-old brother, who is expected to go first overall in the 2019 NHL Draft, has not played since the opening 2-1 win over Slovakia, in which he registered one assist. Defenceman K'Andre Miller also sat this one out. Jack Hughes may return for the quarter-finals.Of Madden, Poehling said: "He played well. He’s great in that power play spot and he’s a great player. He kind of simplified his game today and just played behind the defencemen. I think it worked out for him today."

World Men U20
USA vs. Finland - 2019 IIHF World Junior Championship
The U.S. beat Finland 4-1 on New Year's Eve and will stay in Victoria to play the Czech Republic in the quarter-finals.
FIN USA 01 JAN 2019

The Americans got the first power play opportunity when Finnish captain Aarne Talvitie was sent off with a two-minute minor and 10-minute misconduct for hitting Oliver Wahlstrom from behind into the boards in the Finnish end. But they couldn’t break through, and Finland was equally ineffective on two subsequent man advantages, with the Americans enjoying better opportunities shorthanded.

At 7:19 of the second period, Finland momentarily thought it had tied the game when Heponiemi poked the puck through Keyser’s legs after Rasmus Kupari threw it on net. But the goal was waved off as the referee had already blown his whistle.

"It would have been a huge goal for us, so that was a bit disappointing," said Talvitie. "I think it would have changed the momentum of the game for sure for us."

A couple of minutes later, Talvitie irked the Americans by throwing his weight around again, steering captain Mikey Anderson heavily into the boards and leaving him shaken up. However, Anderson would continue.

America just kept on chugging. At 11:40, Madden made it 2-0 U.S., accepting a hard cross-ice pass from Josh Norris and squeezing an in-tight shot through the Finnish netminder.

Poehling made it 3-0 from almost the same spot as Madden at 16:42, although he cut hard to the net from the left side before going five-hole for his fifth goal of these World Juniors.

"That one wasn’t anything special," Poehling said. "I just kind of threw it on net and hoped for the best and then it worked out. That’s what everyone’s telling me – just be more direct to the net."

Heponiemi's poor fortune after his disallowed first-period goal was compounded in the third period. He was in the box for interference when Madden swooped in to poke a rebound under Luukkonen and make it 4-0 with his third of the tournament at 2:02. The goal was video-reviewed for goaltender interference, but pronounced good.

"I think as a team, collectively we played great," Poehling said. "We for sure played a full 60, which was nice to see. It’s going to be good for us heading into the medal round with that kind of confidence."

Poor discipline damaged Finland's thin hopes of a comeback as Samuli Vainionpaa got two and 10 for checking to the head and neck area a couple of minutes later.

"We took way too many penalties," said Heponiemi.

Finnish sniper Eeli Tolvanen remained quiet. The 2018 Olympic all-star has no goals and two assists through four games, and it would certainly be timely for him to bust out in the quarter-finals.

Asked about the importance of getting more production out of high-end forwards like Tolvanen, Kaapo Kakko, and Rasmus Kupari, Ahokas said: "I think they’ve been saving their best to the last."

The Finns did cut the deficit to 4-1 with 6:44 remaining, as Ylonen tipped Urho Vaakanainen's centre point shot past Primeau. But it didn't matter. Their time on beautiful Vancouver Island was done, and it was time to head to the city that co-hosted the 2010 Olympics with Whistler. 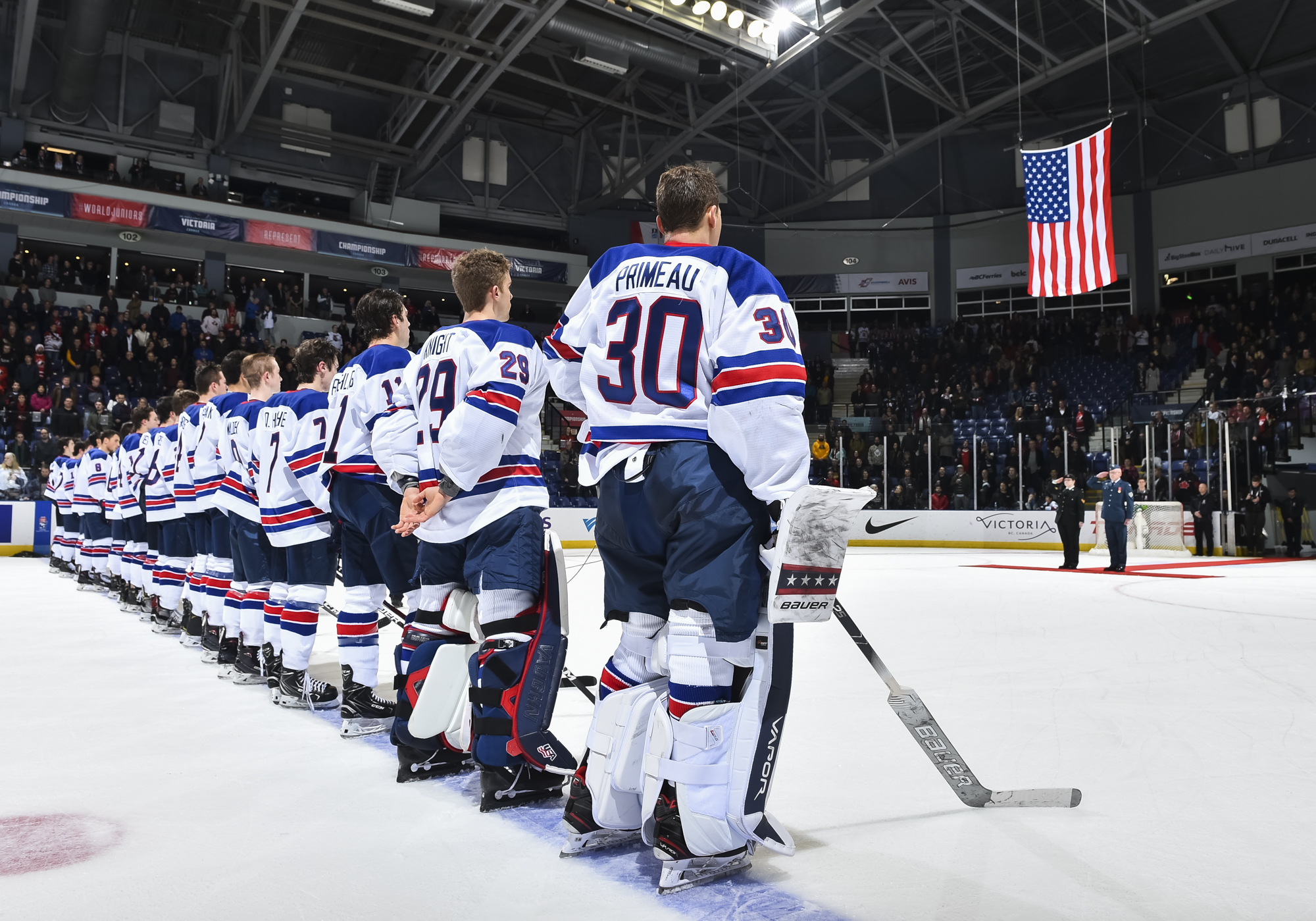 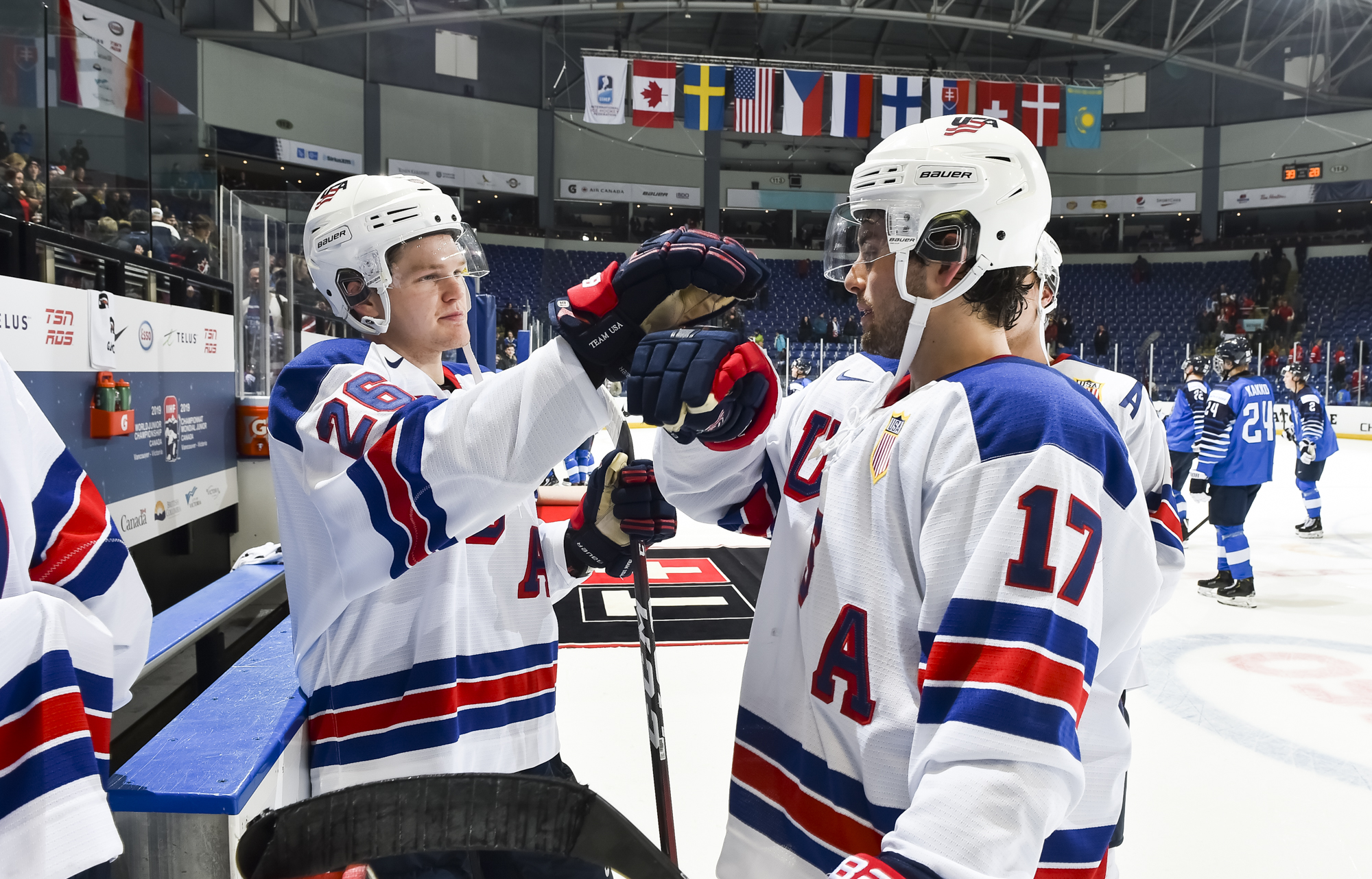 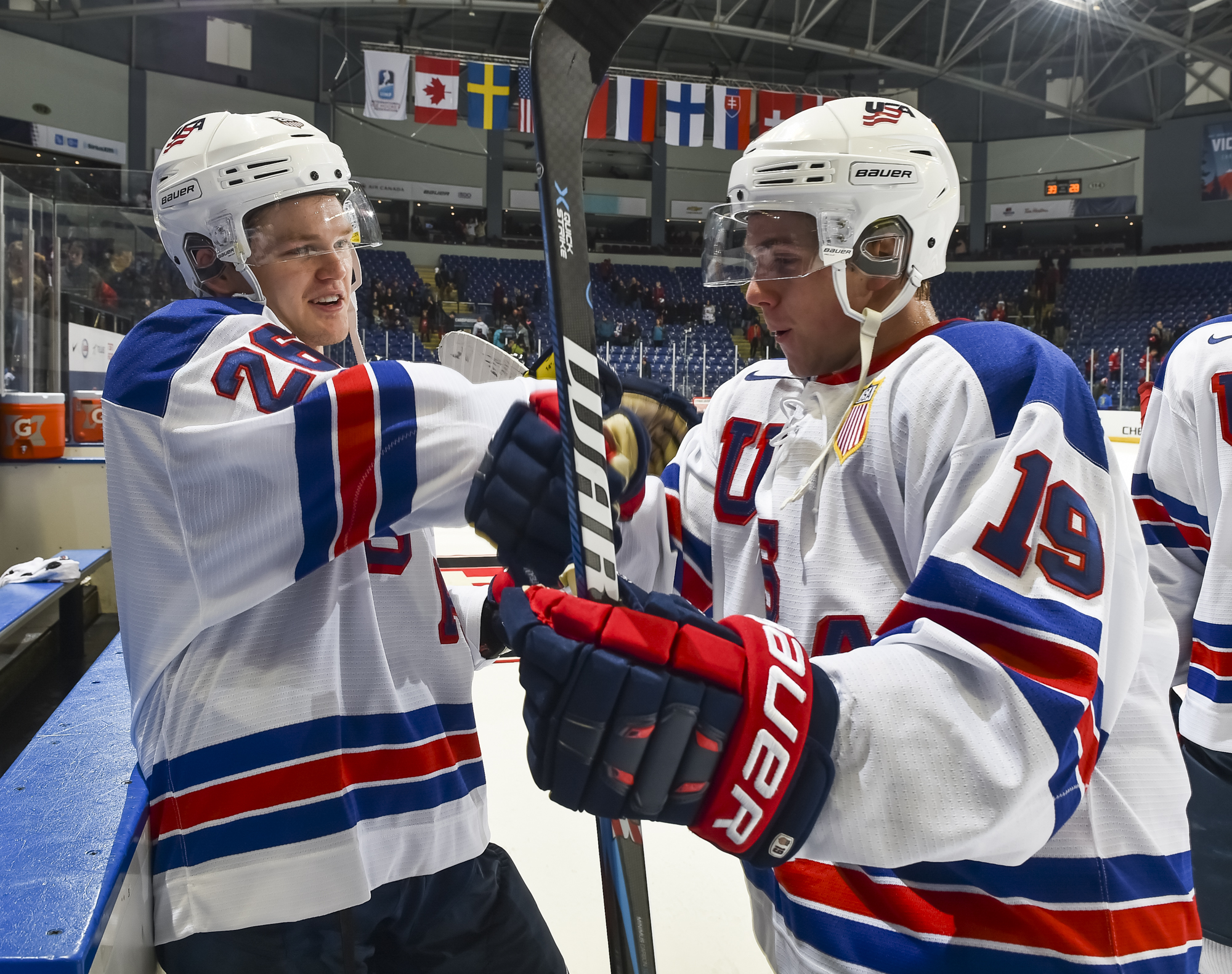 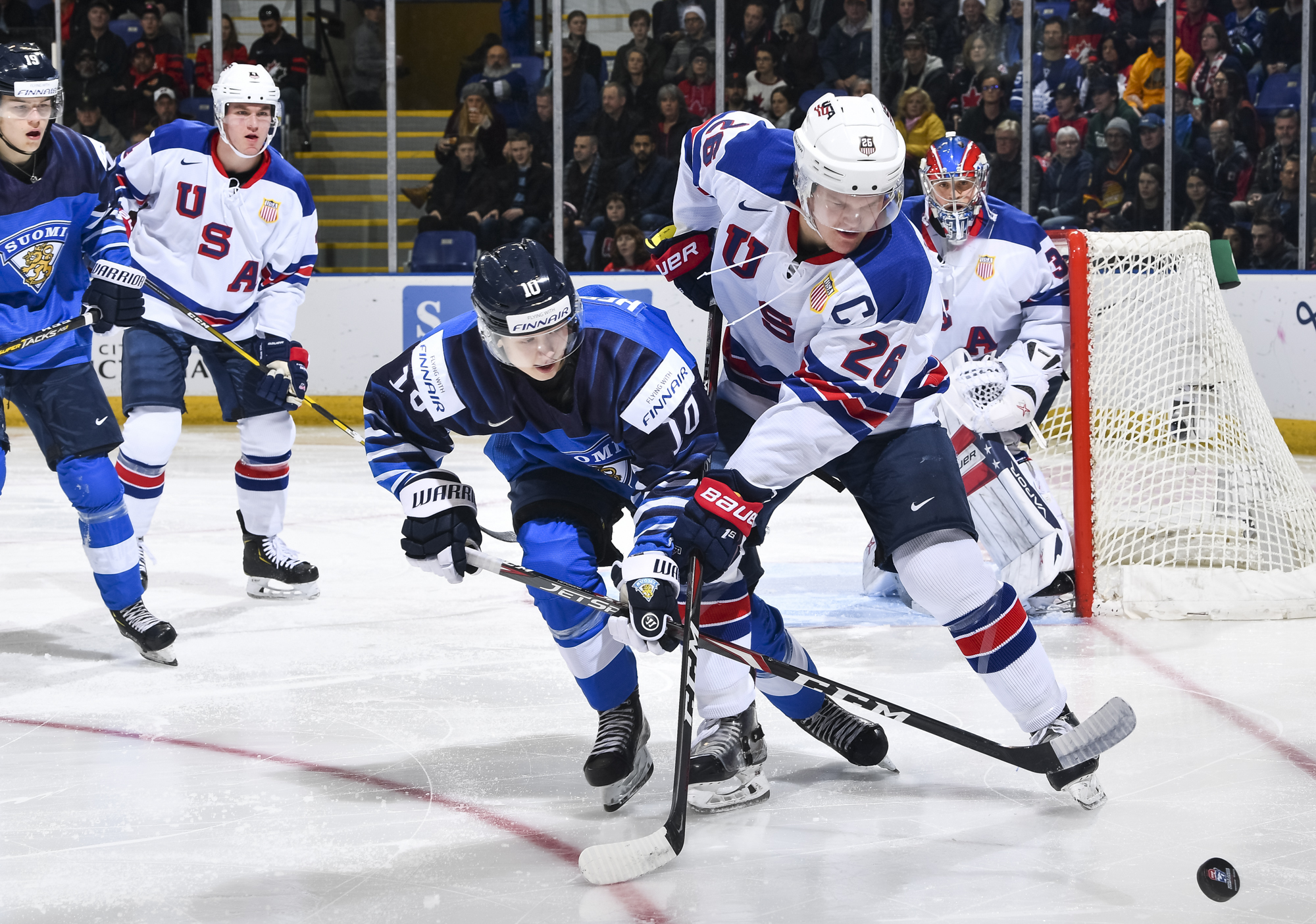 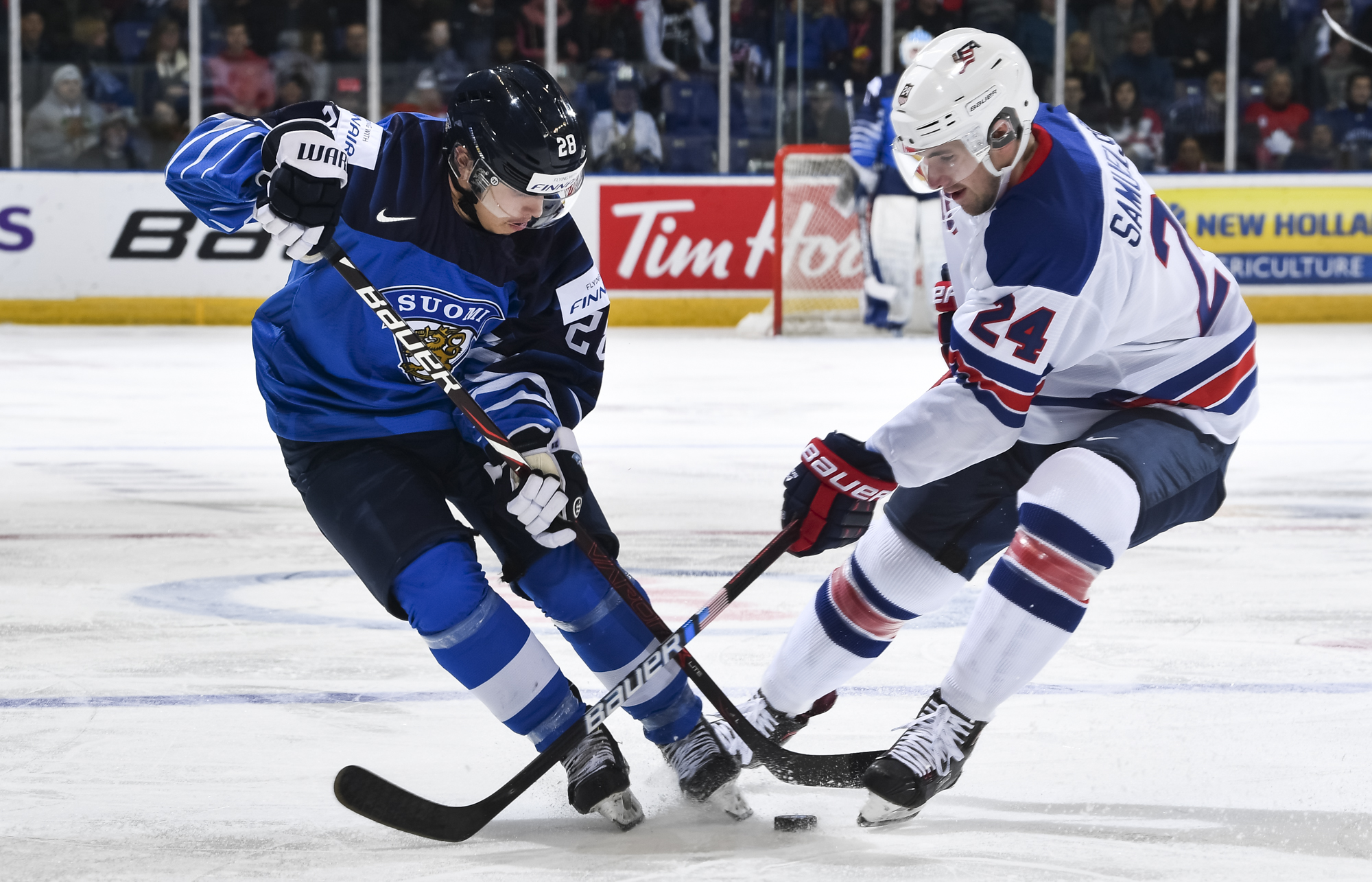 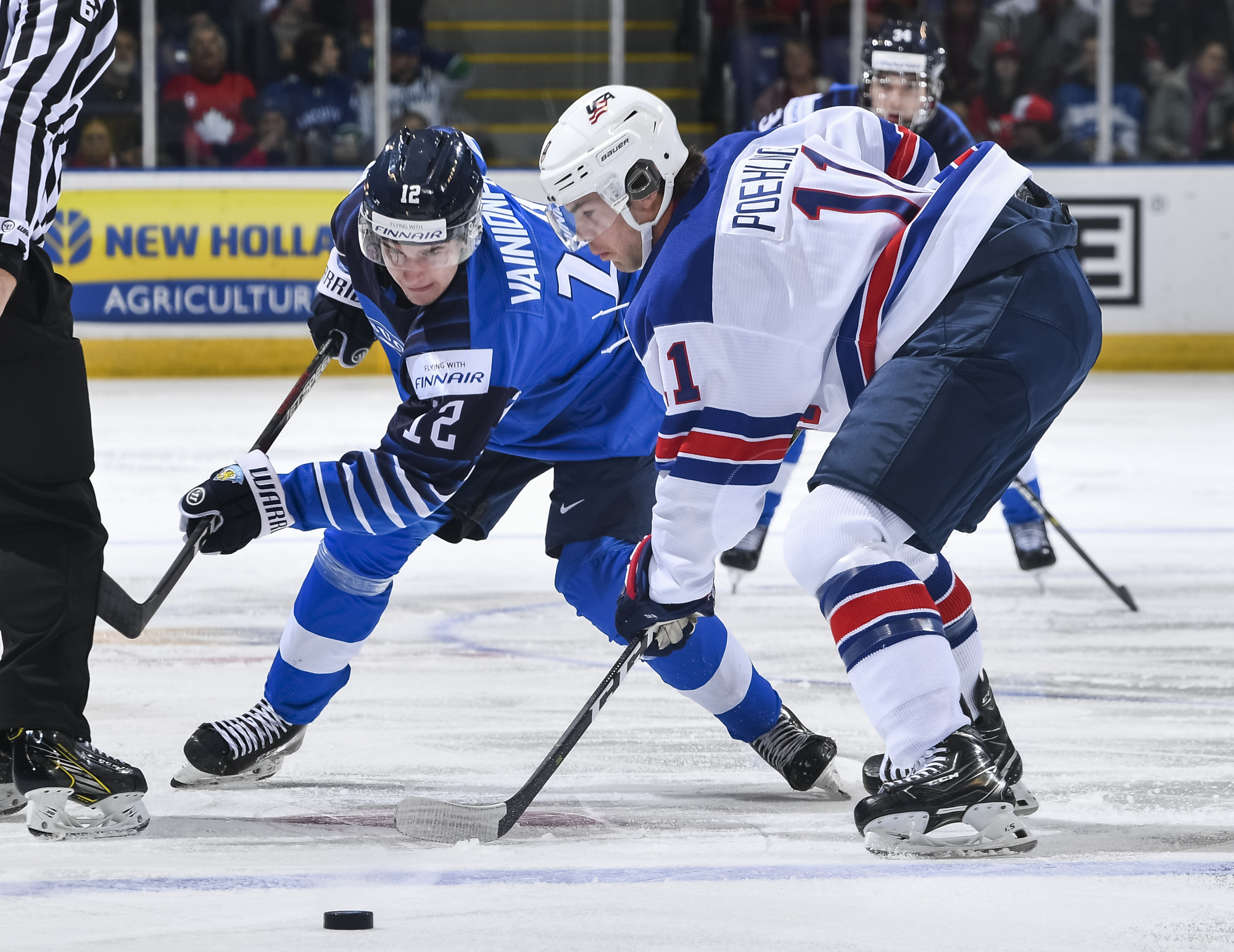 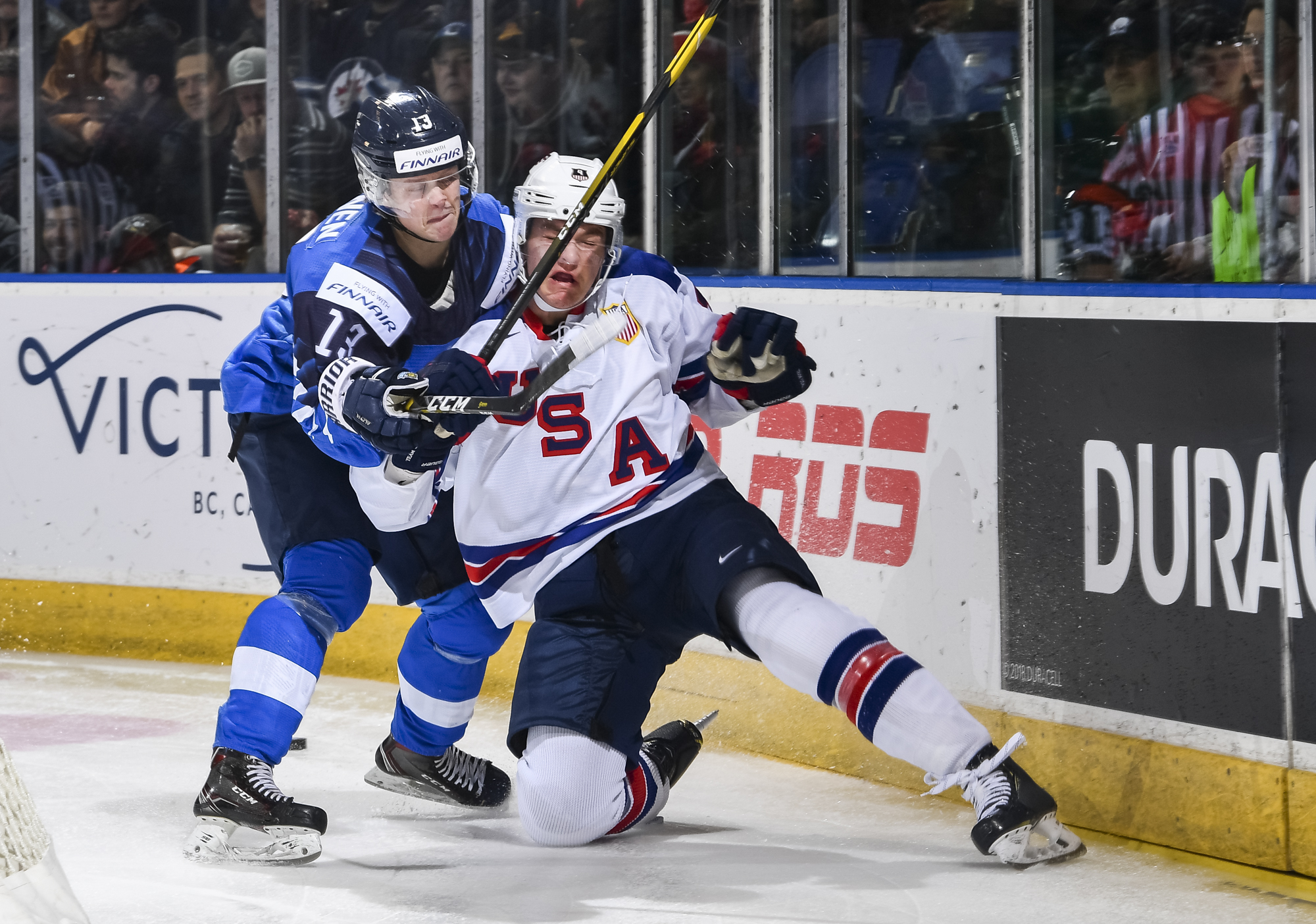 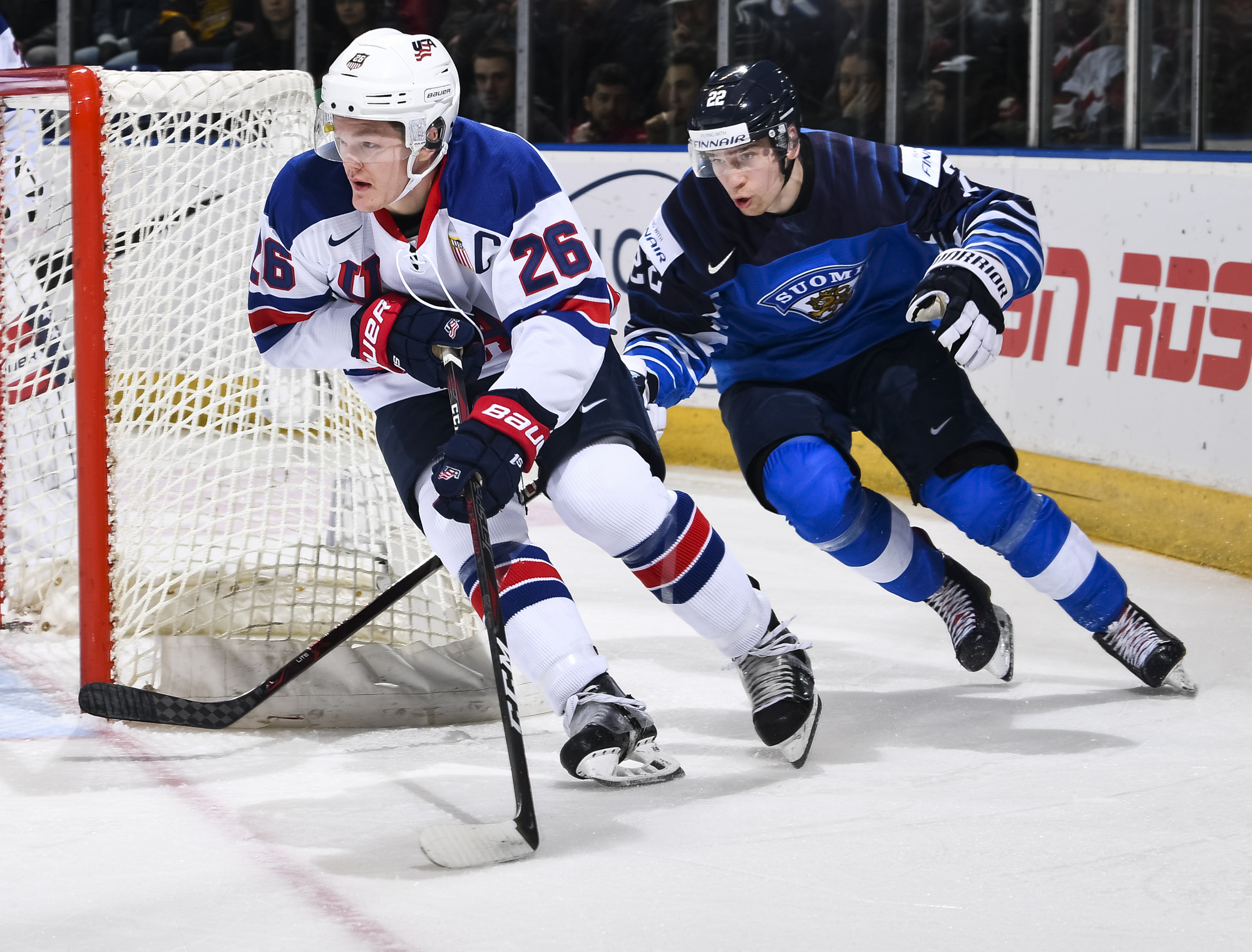 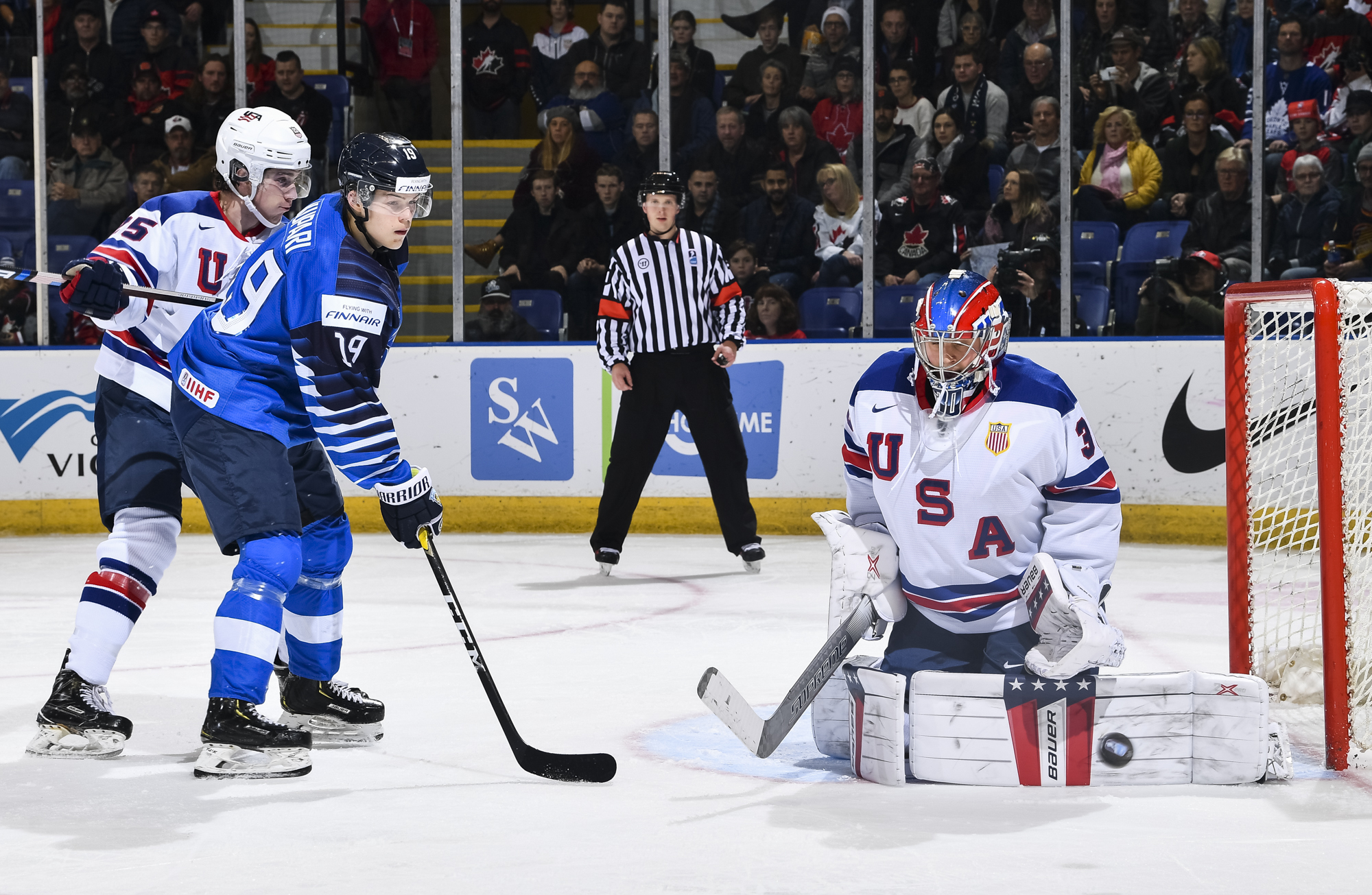 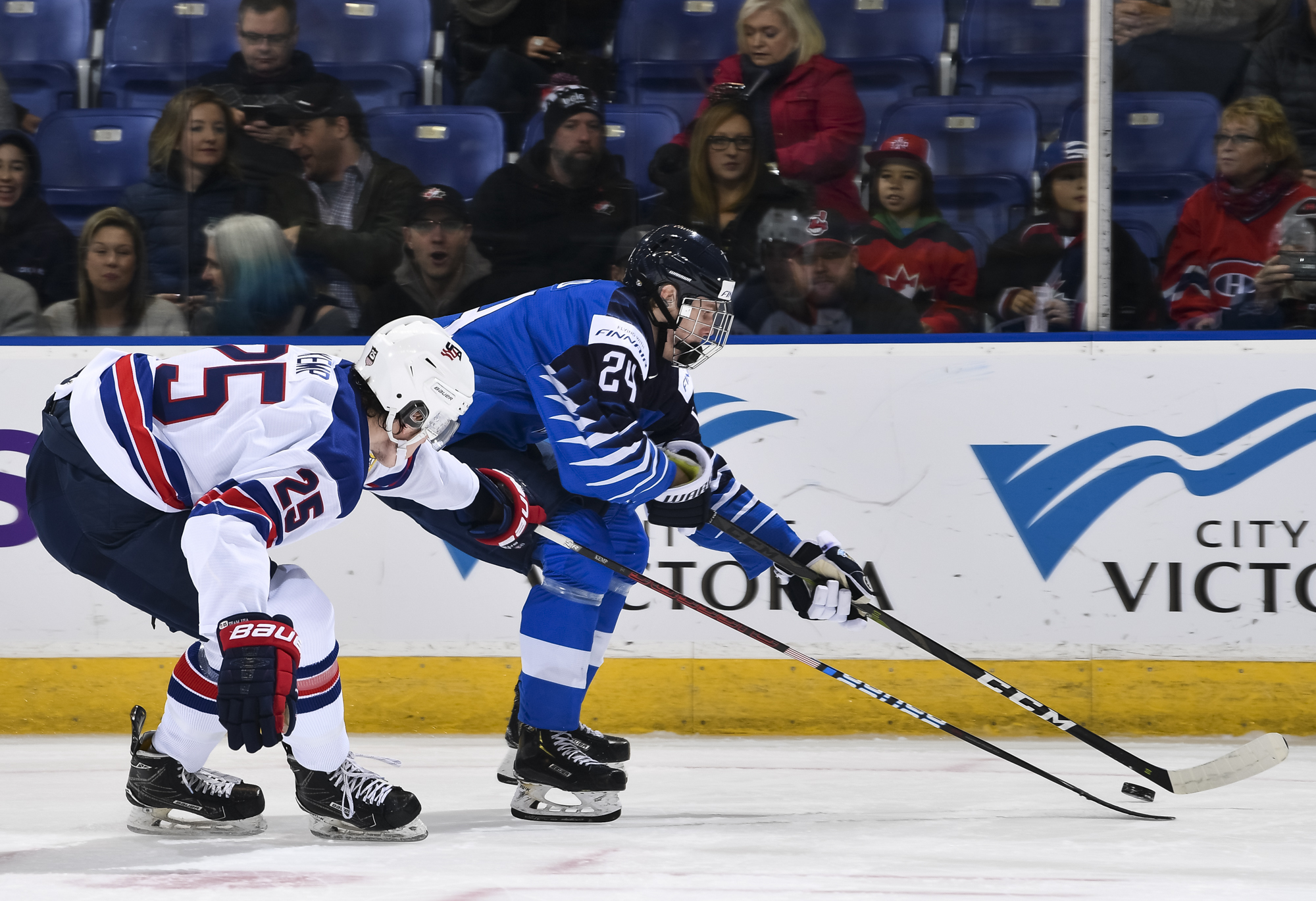 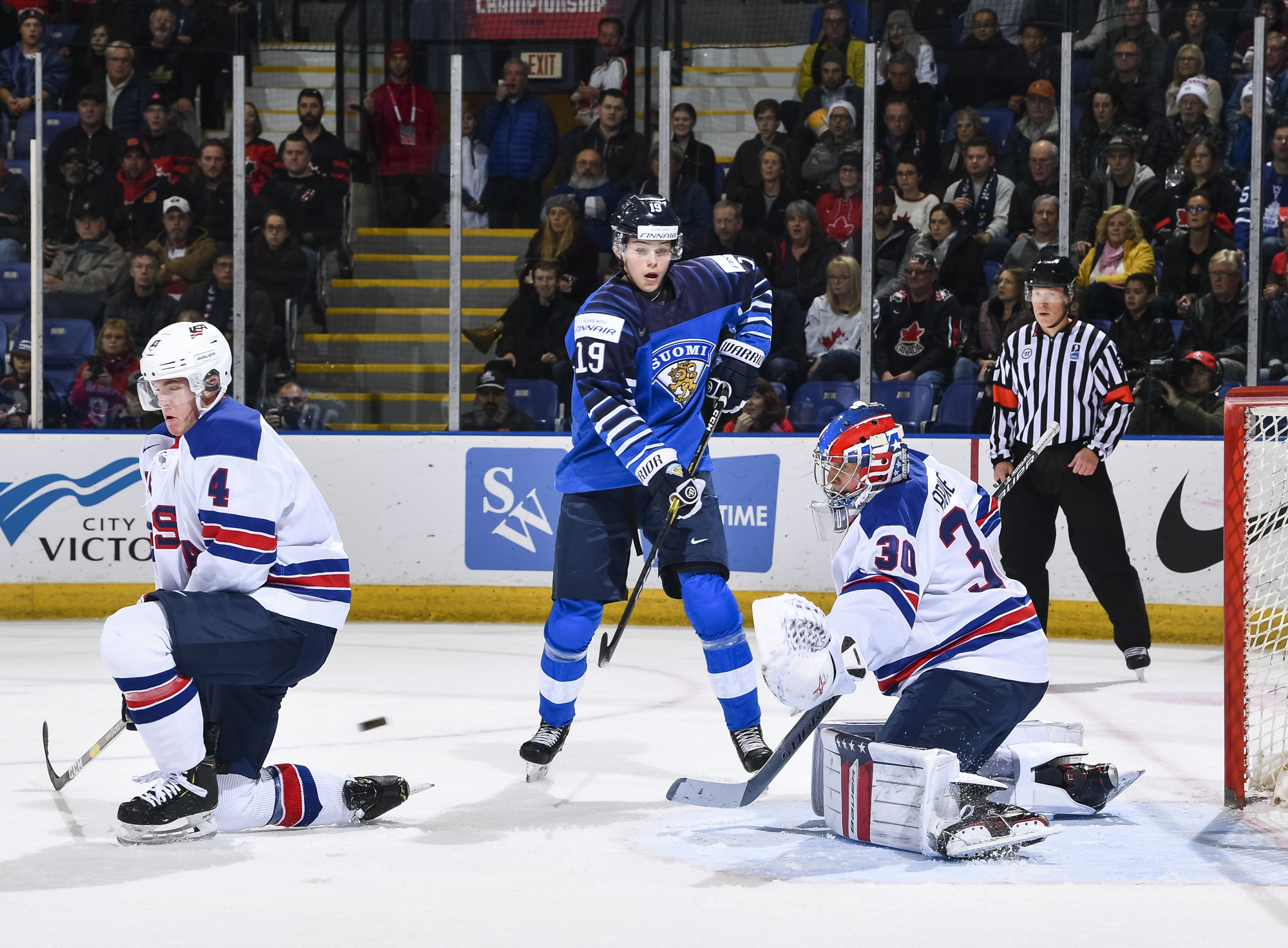 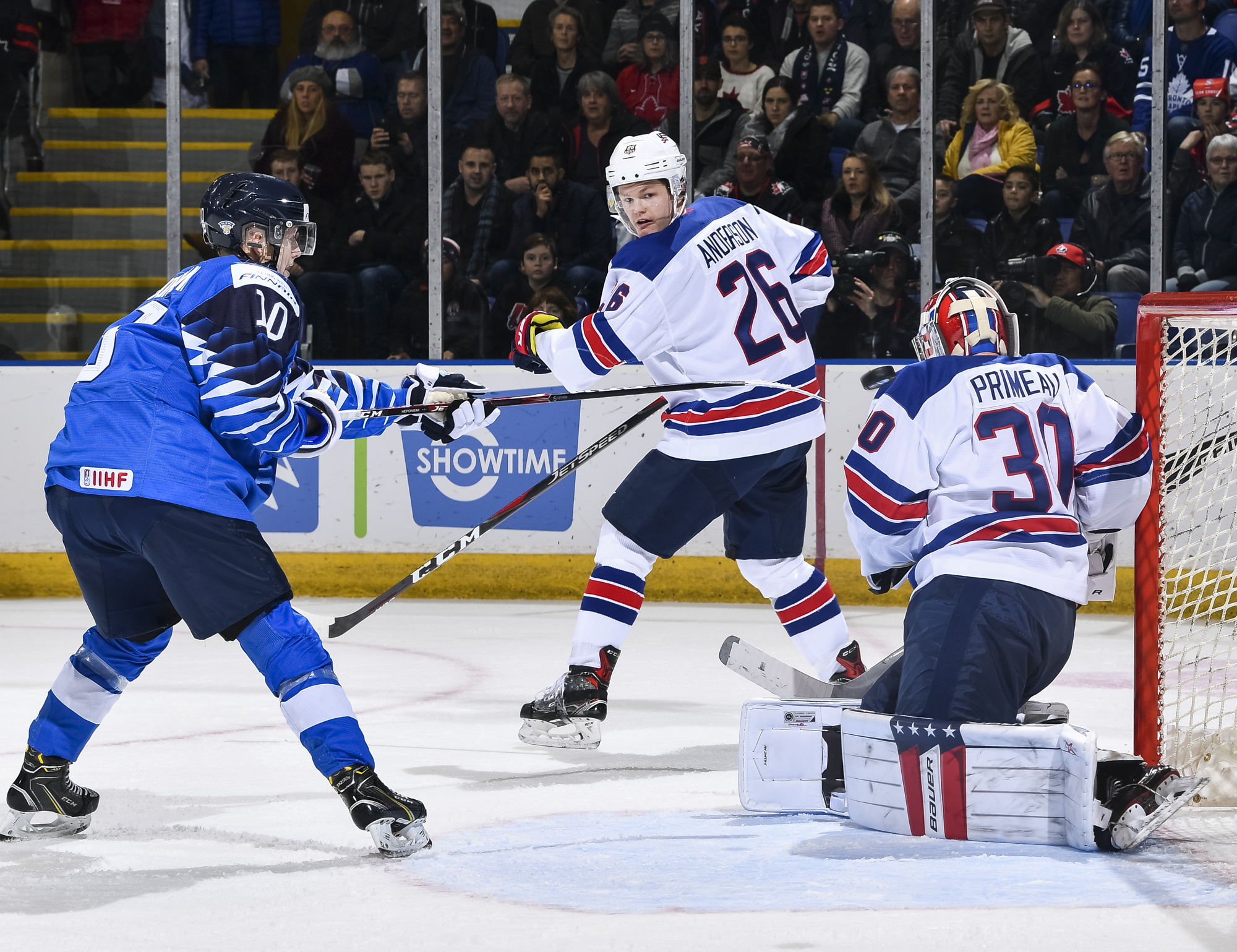 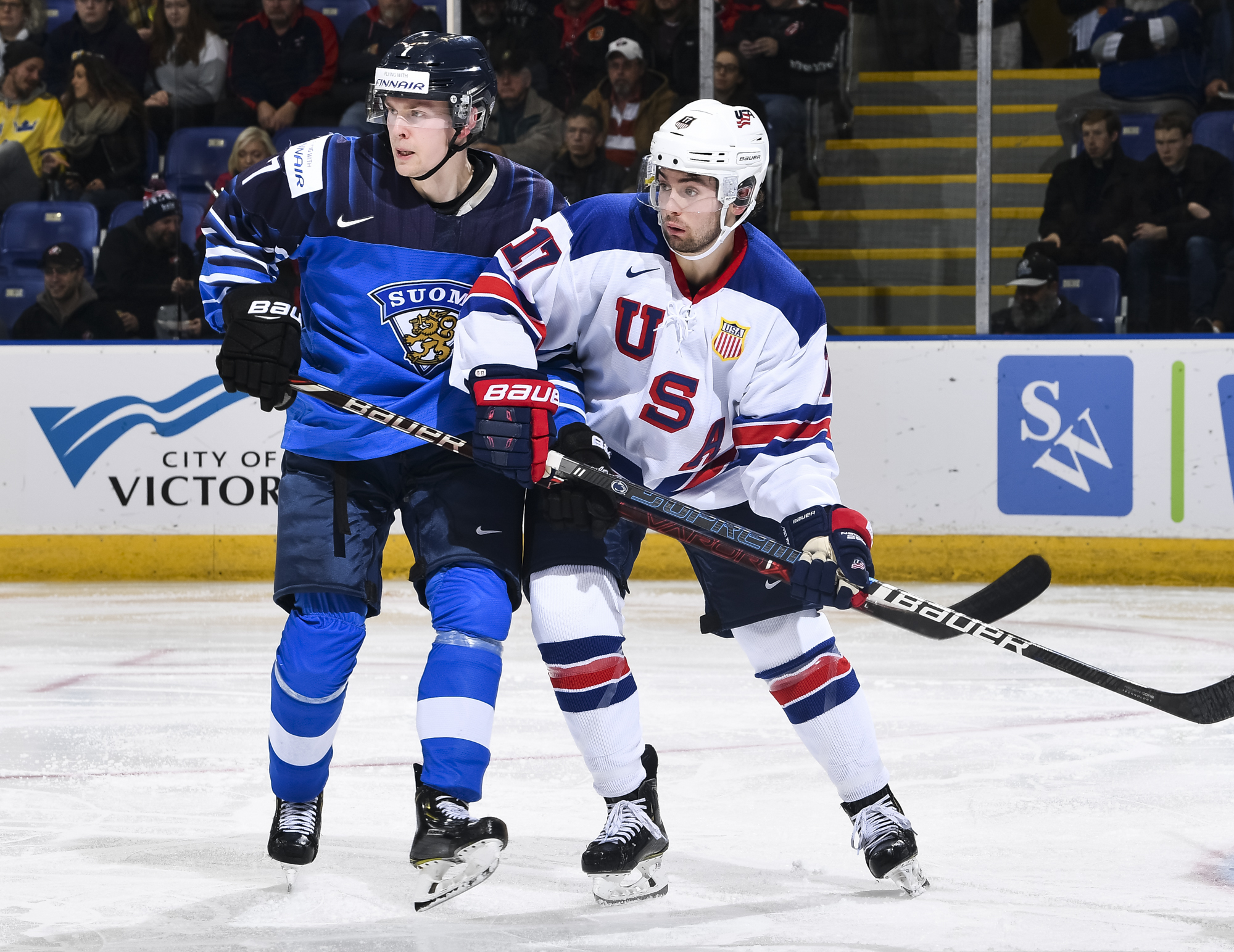 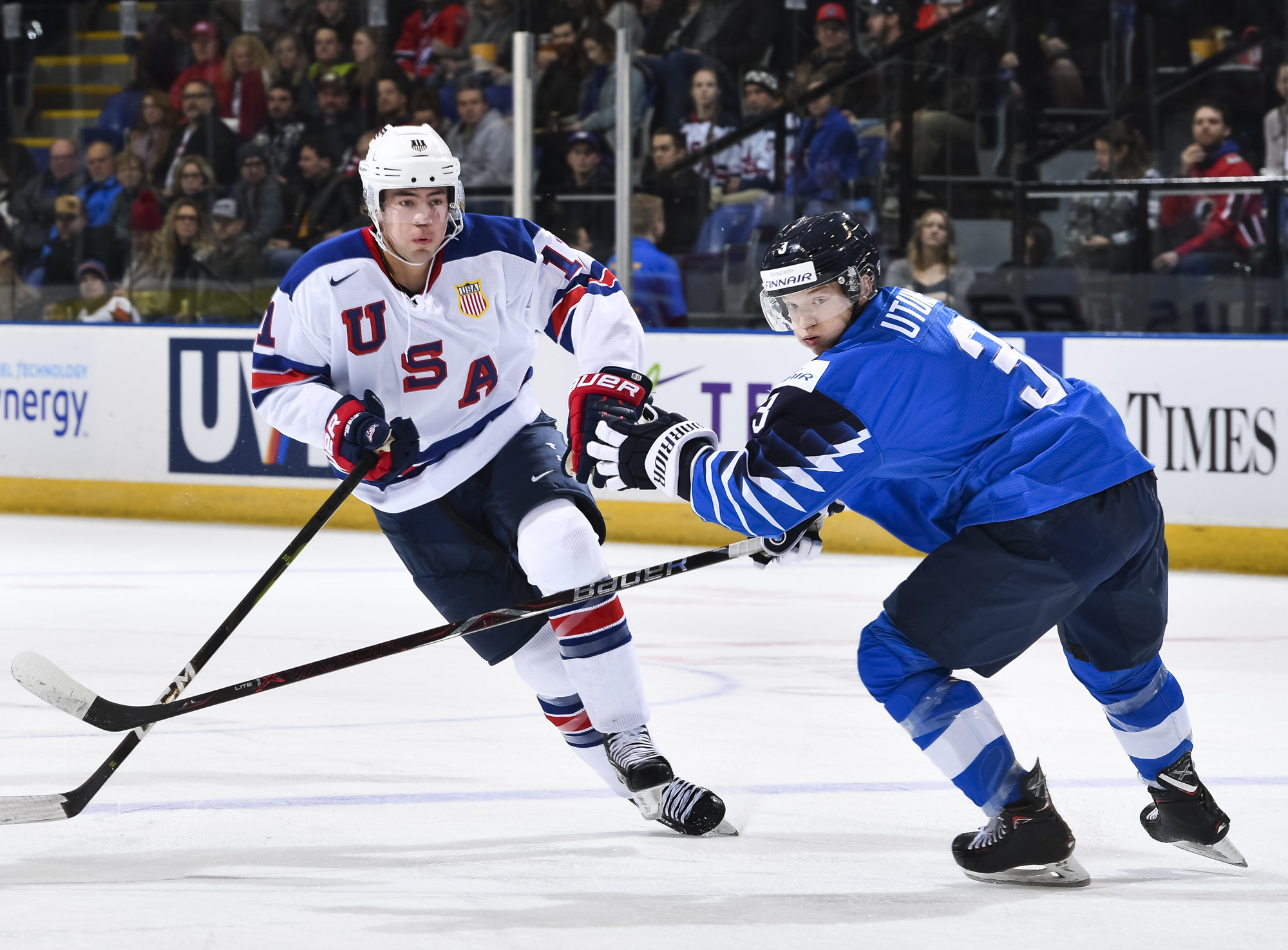 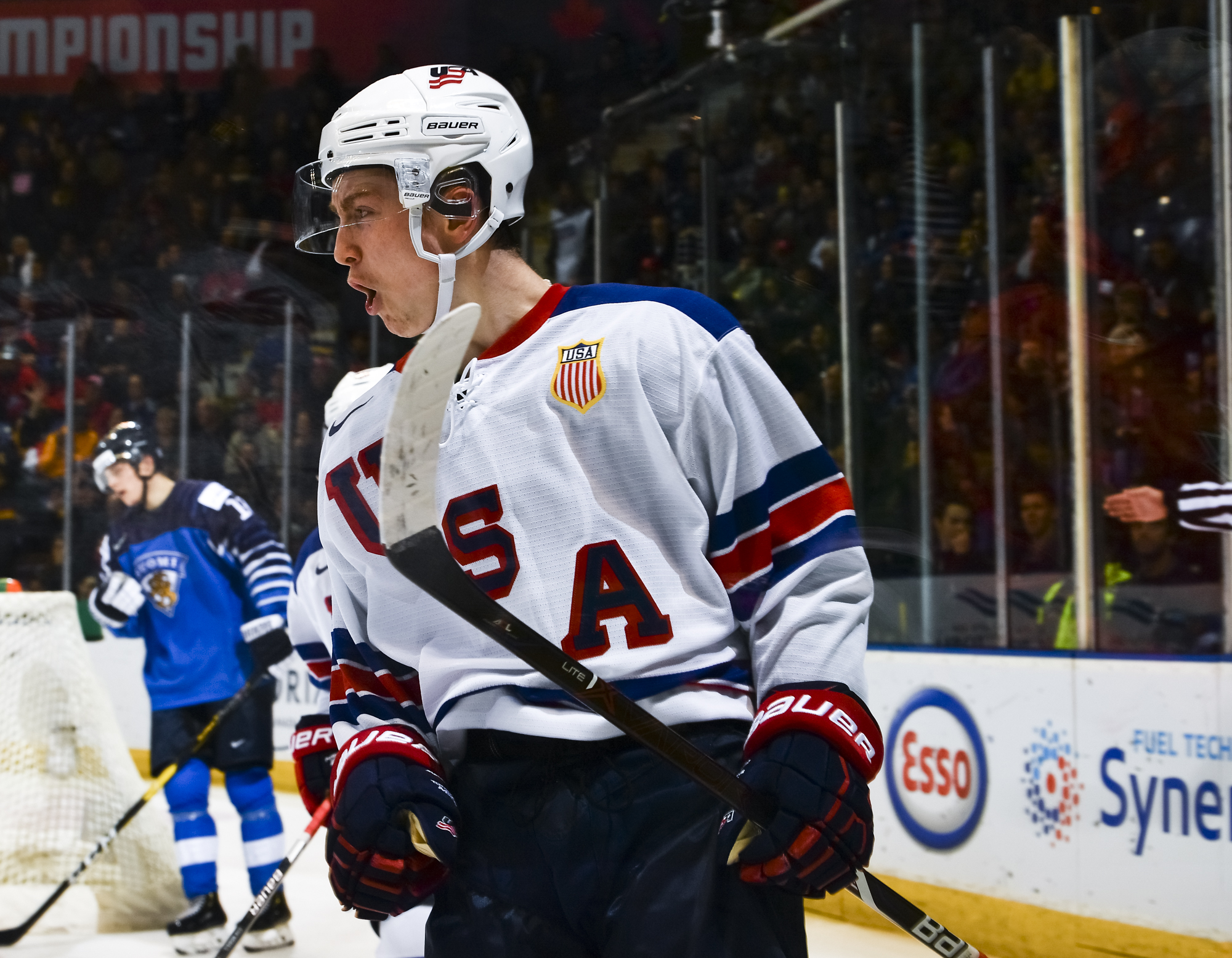 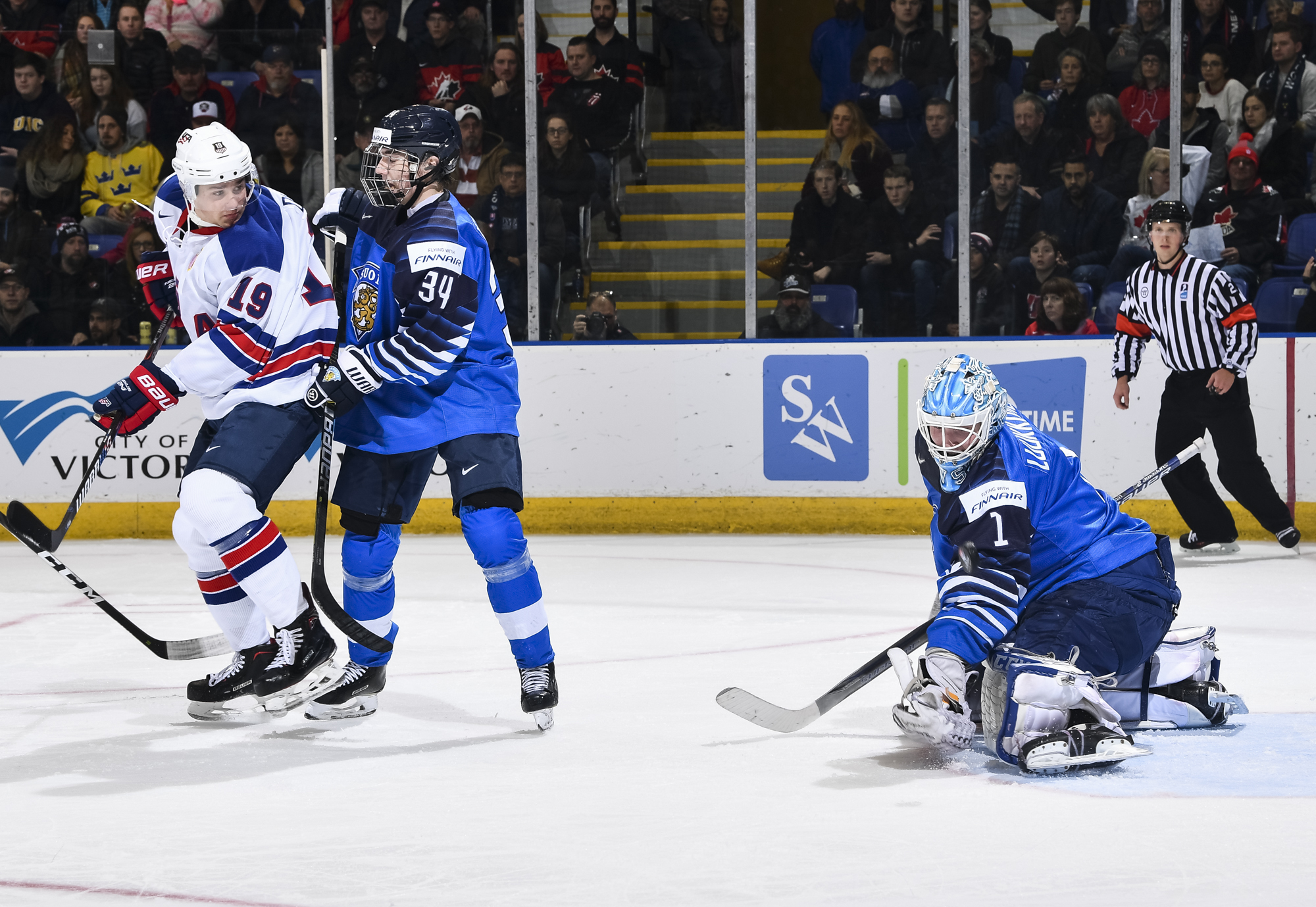 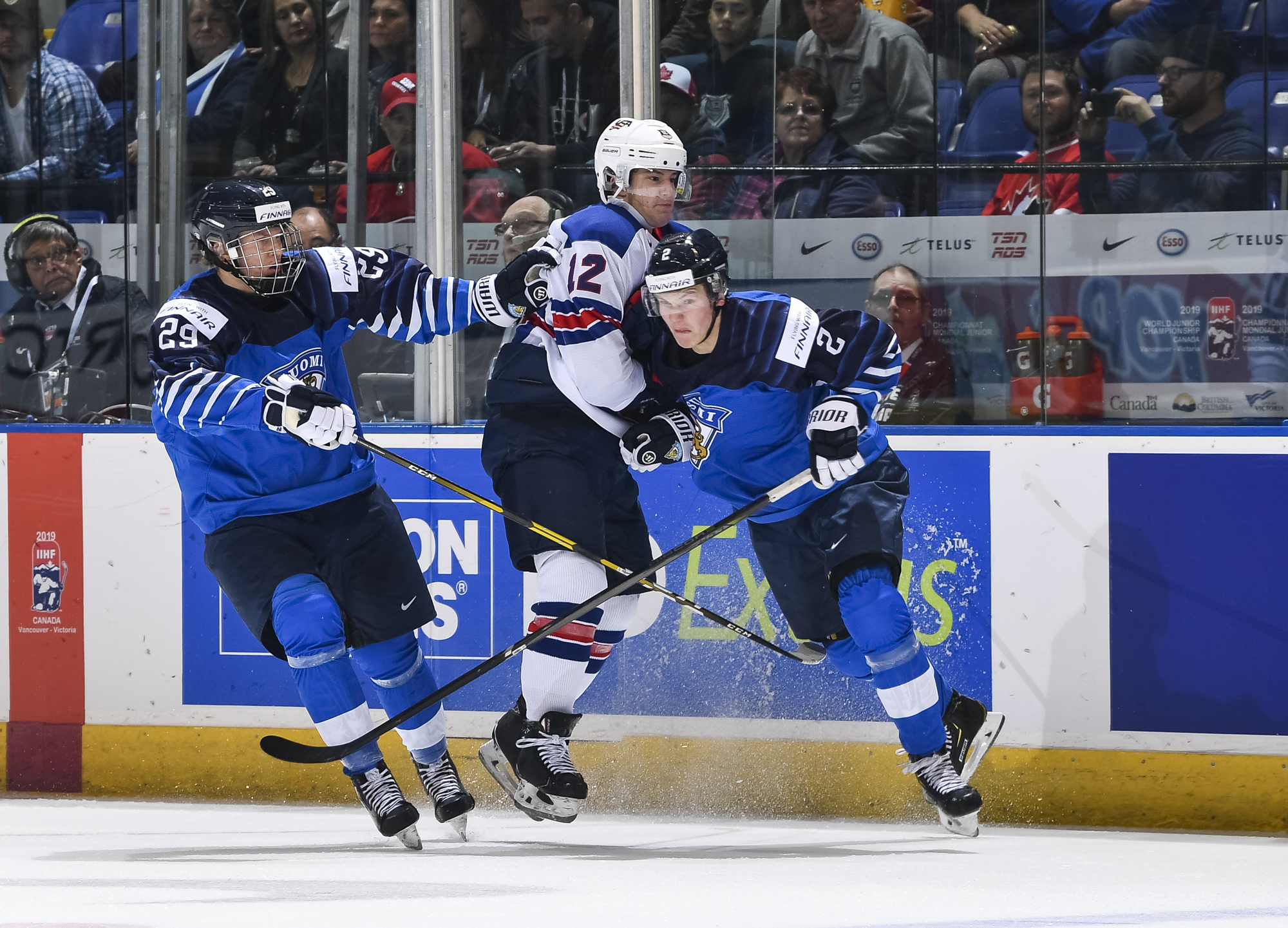 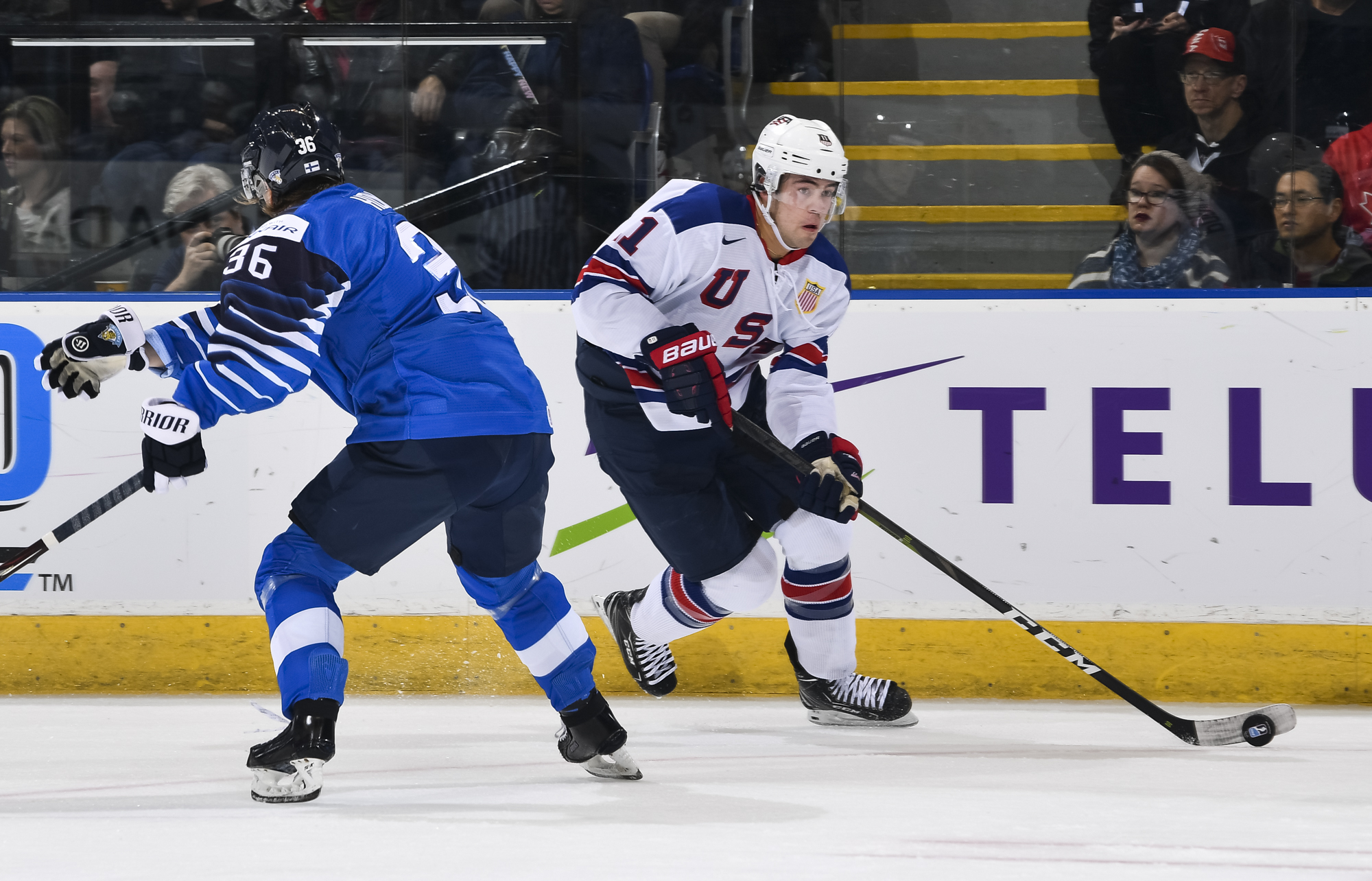 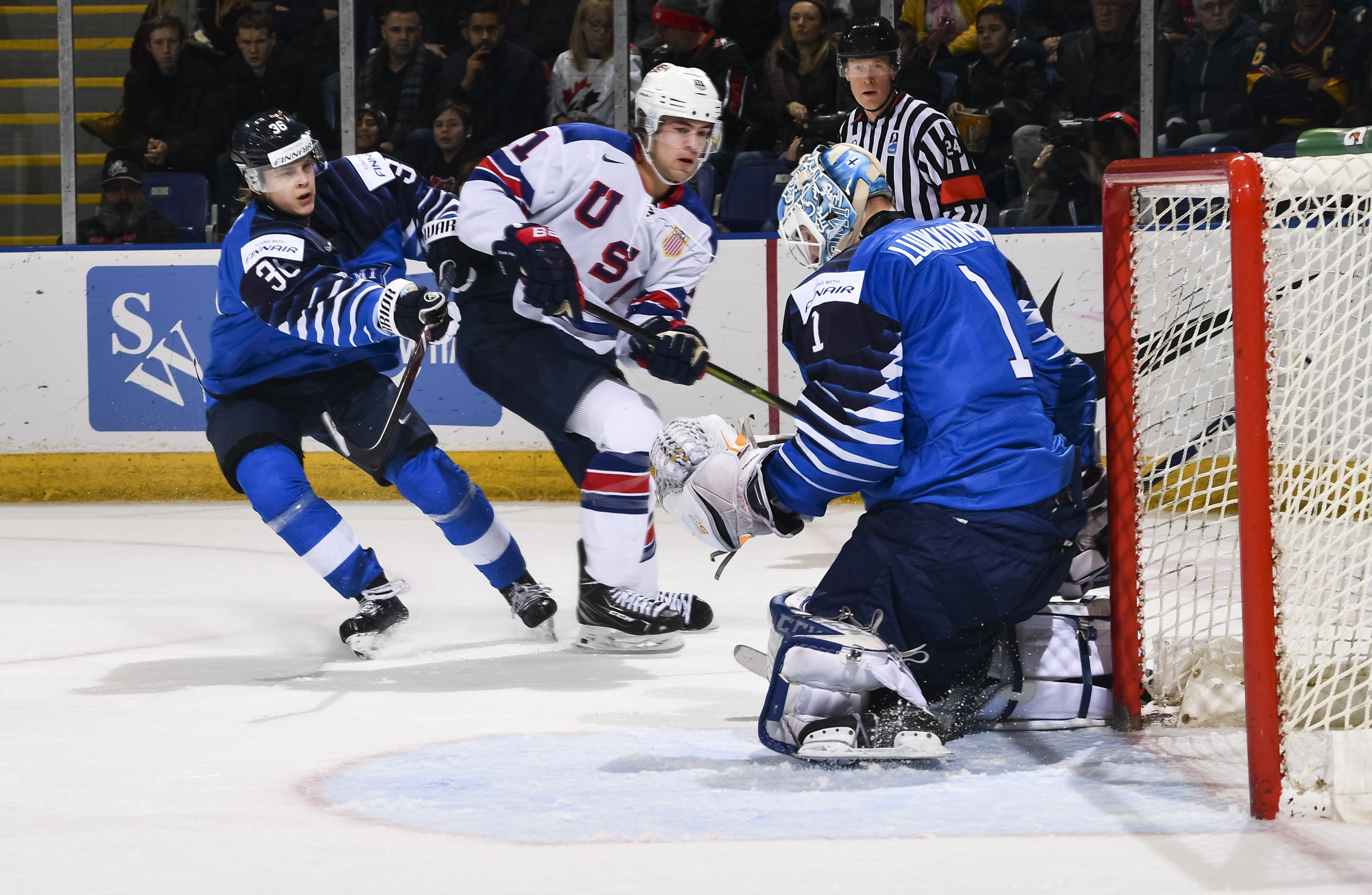 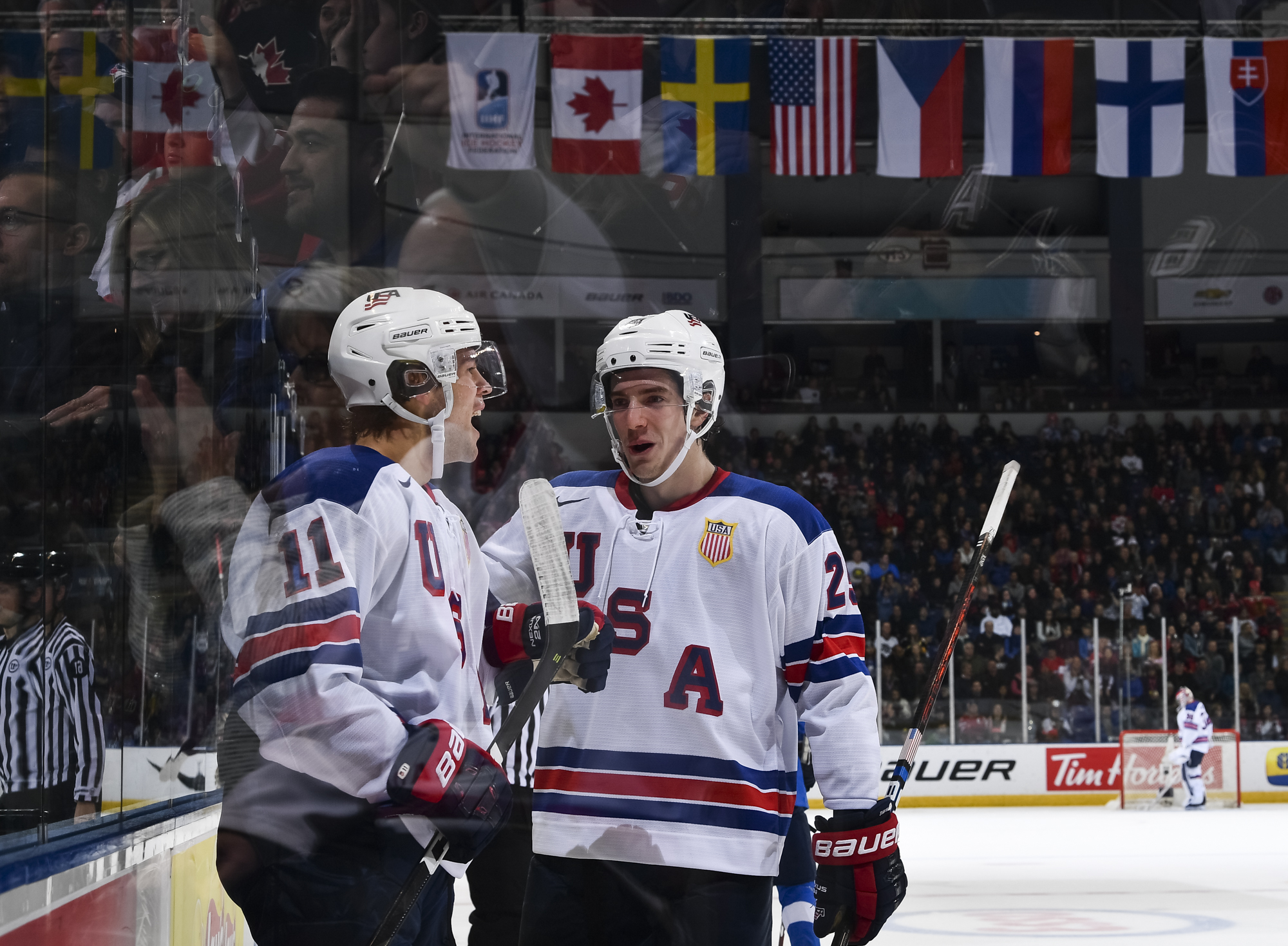 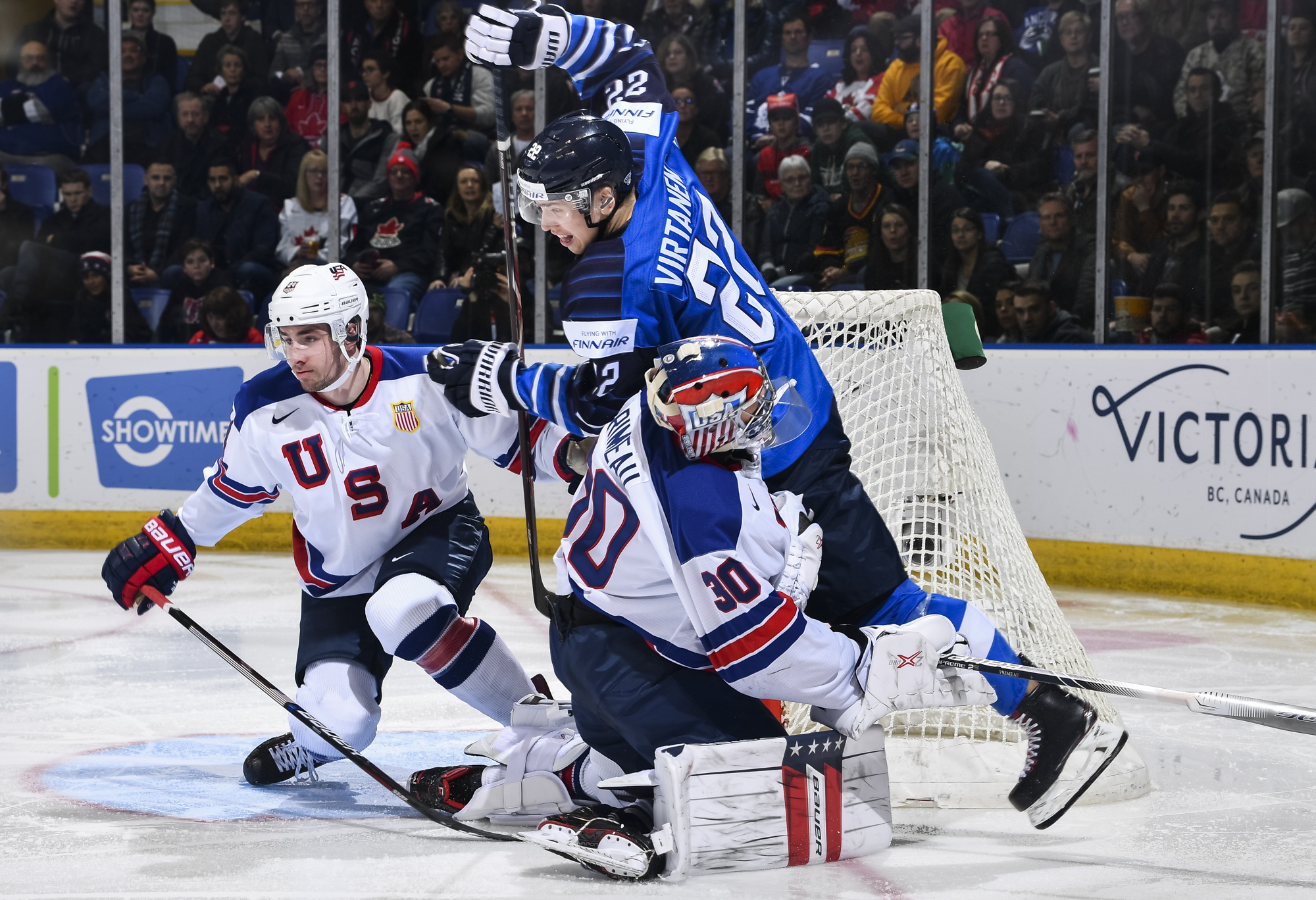 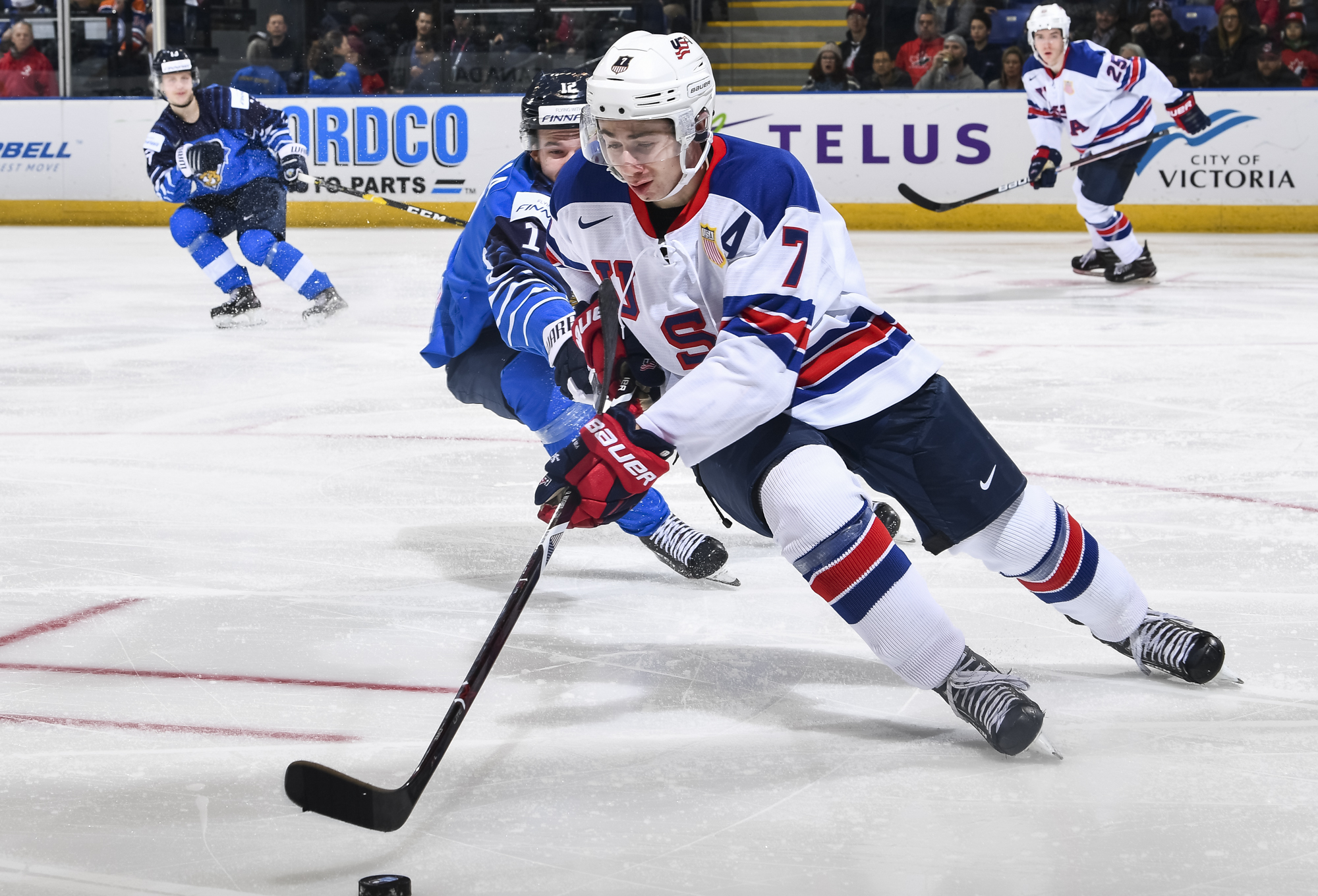 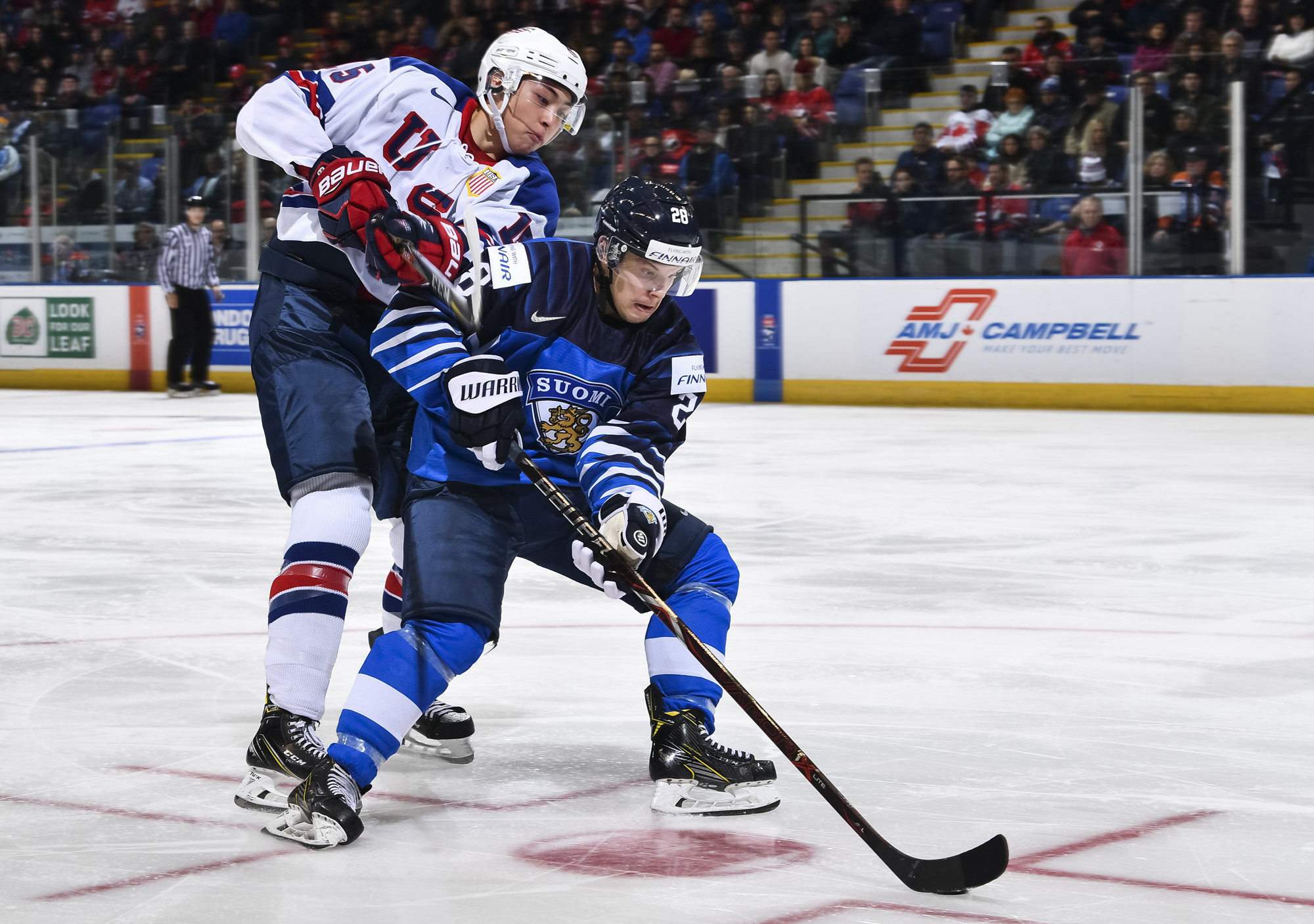 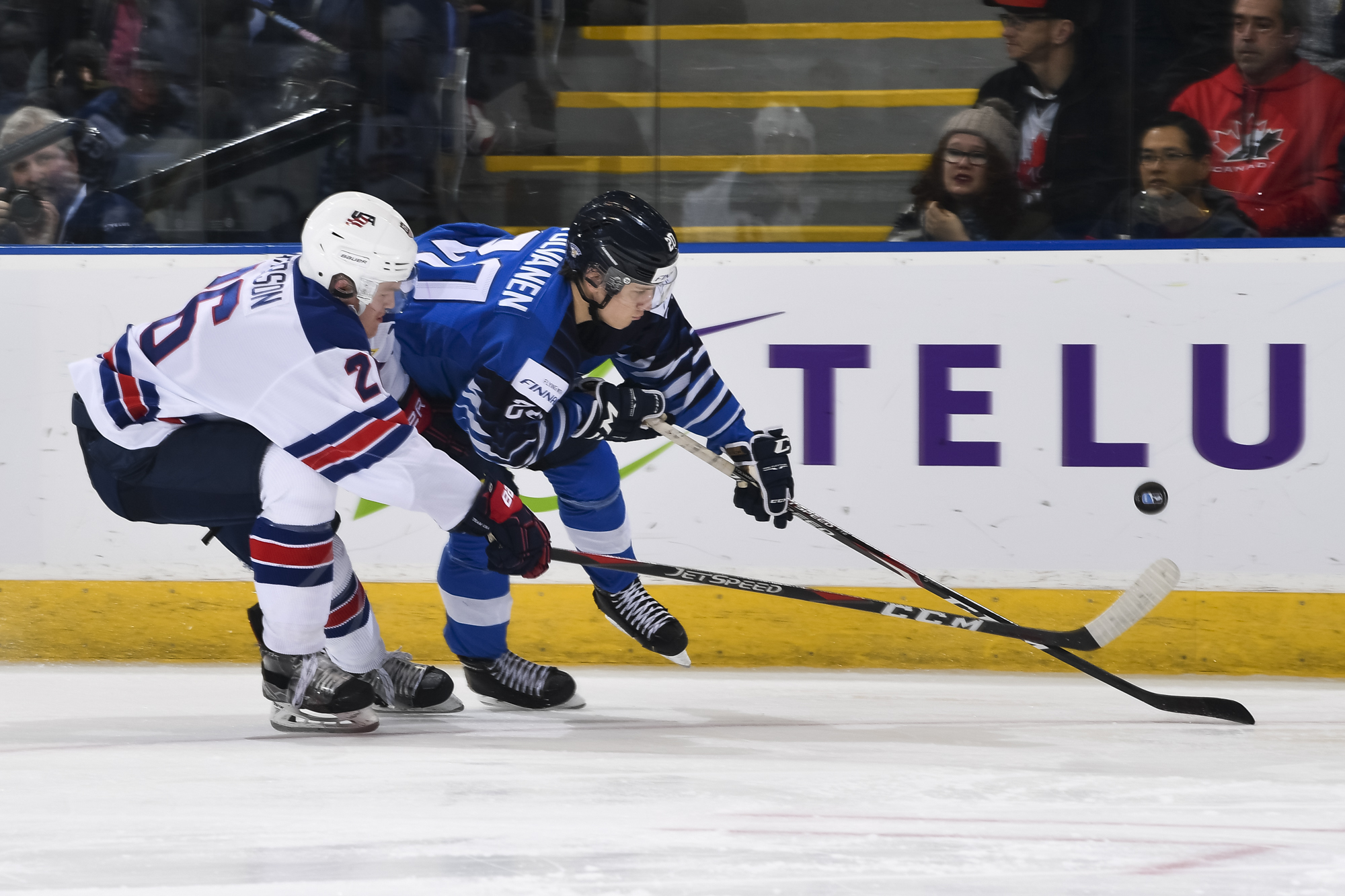 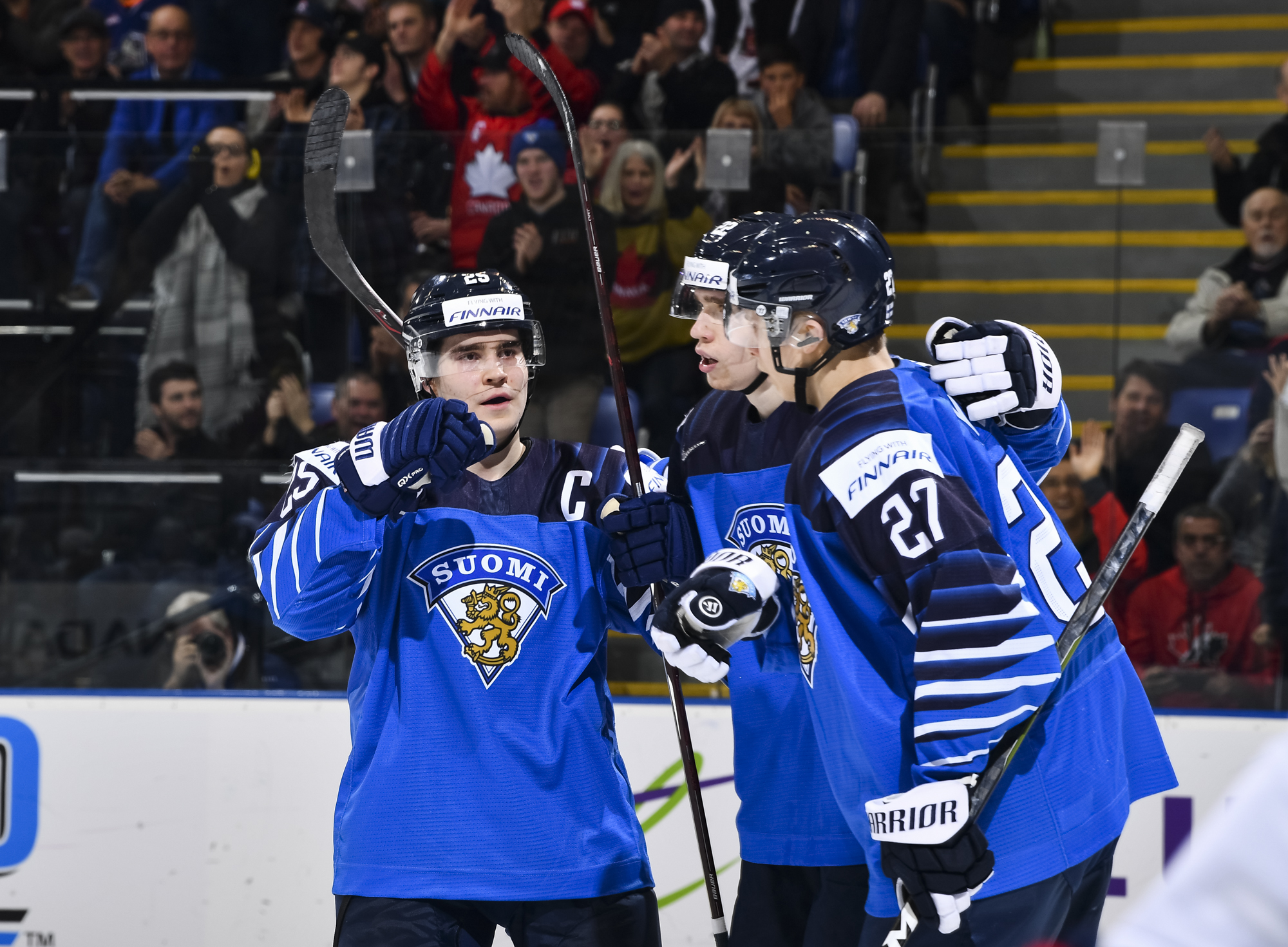 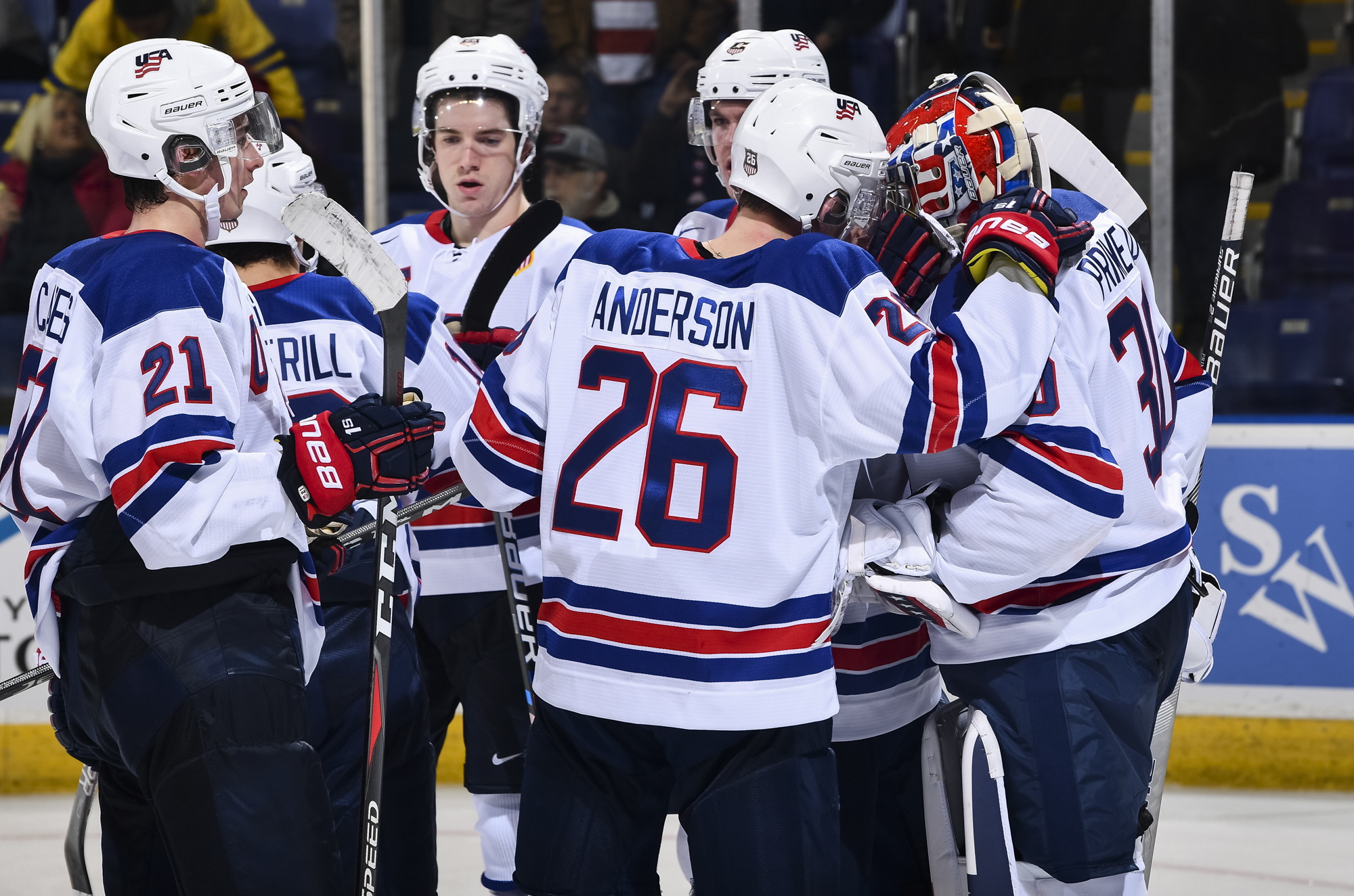 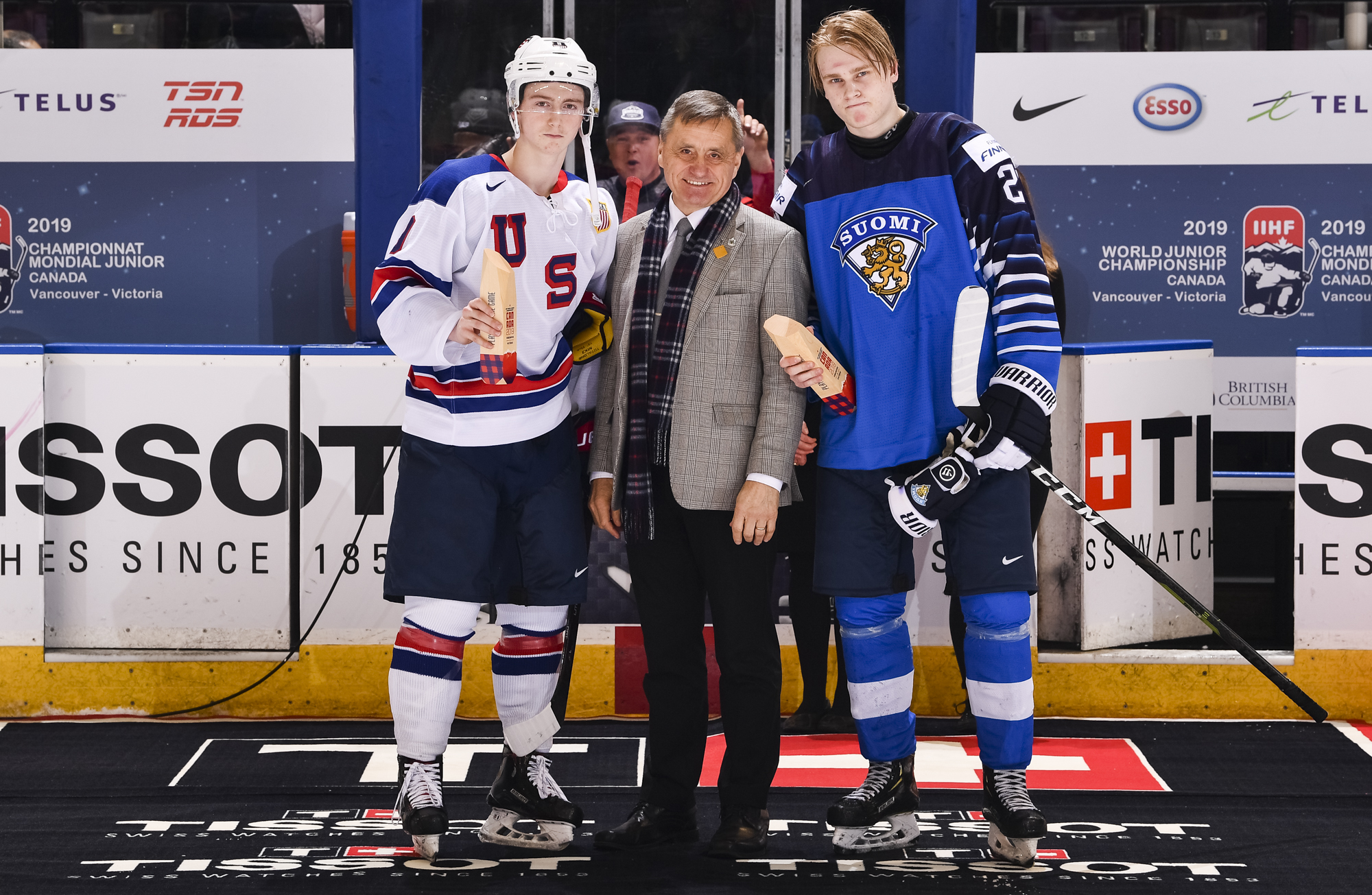 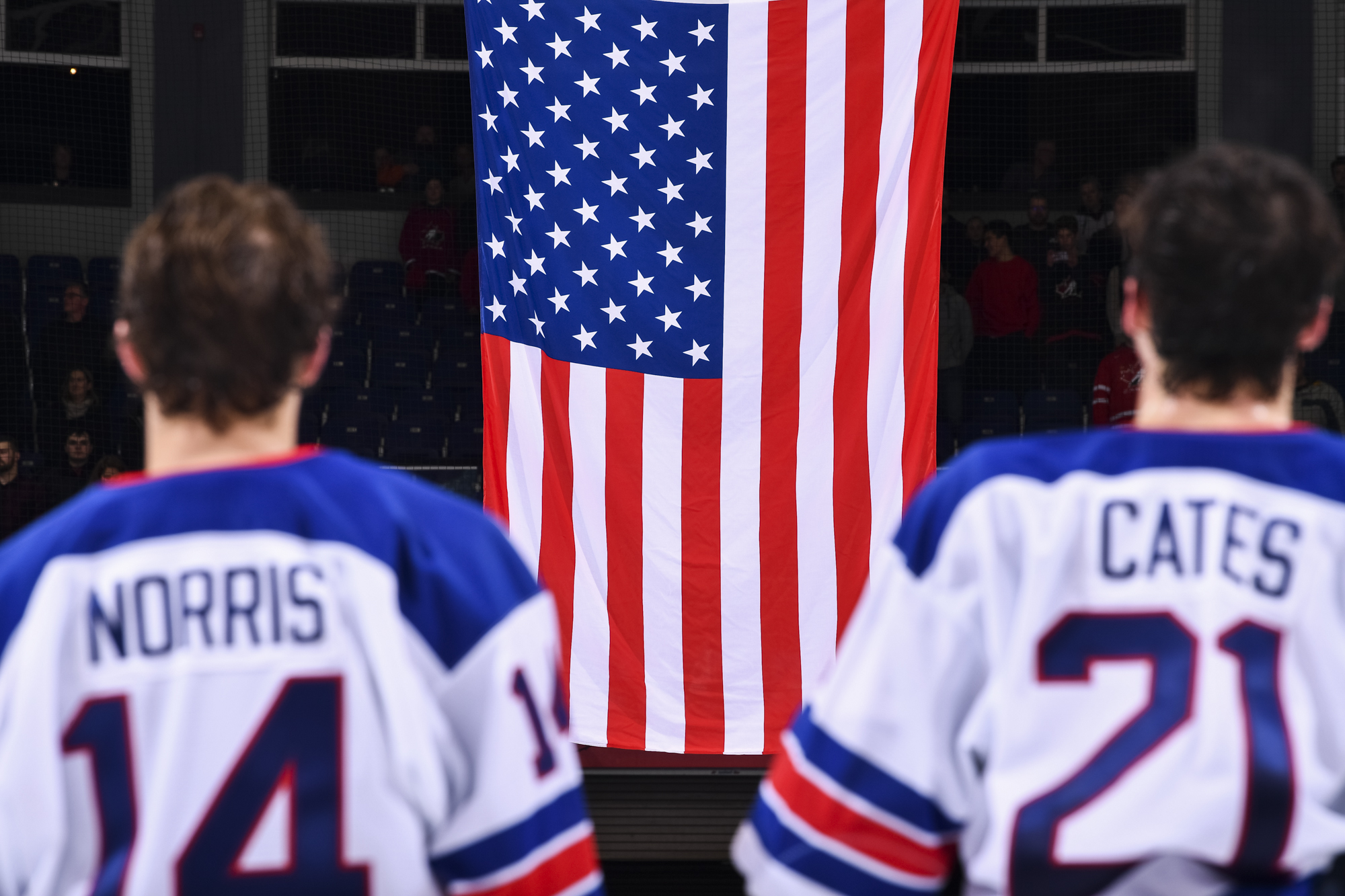 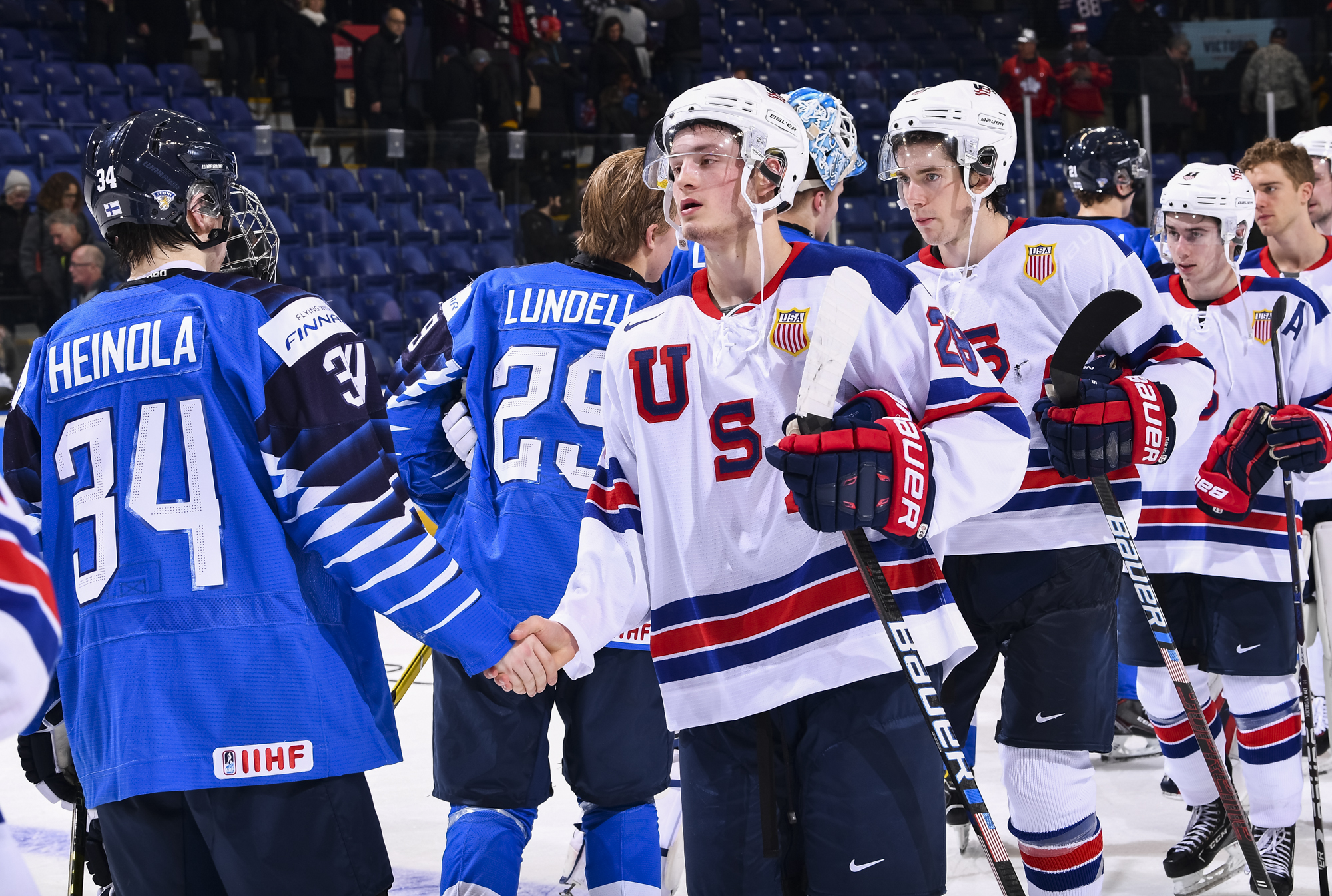