The U.S. continued its history of World Junior quarter-final domination versus the Czech Republic, winning 3-1 in Wednesday's second game in Victoria.

In Friday's semi-finals, coach Mike Hastings' team will face the winner of the Russia-Slovakia quarter-final in Vancouver.

This was a solid U.S. effort at both ends of the ice. It featured the much-anticipated return of Jack Hughes, who had missed the last three games of the preliminary round due to injury. Hughes, the younger brother of defenceman Quinn Hughes and the presumptive #1 overall choice in the 2019 NHL Draft, chipped in an assist.

"It's the semi-finals, right?" said Jack Hughes. "We're going to get everyone's best now. It's crunch time. I know the Russians are really skilled and have a lot of really good players. The Slovaks have really good goaltending and a team that plays really hard. So it should be tough whoever we play. I'm excited for it."

Martin Kaut replied for the Czechs.

"You know, we had great offensive guys like Zadina, and Filip didn't score, so it's not normal for him," said a resigned Kaut. "Today we had about 20 shots and U.S. had 40. It's not normal for us. Now we are out and I'm coming back to the American Hockey League [with Colorado]."

The Americans are questing for their fourth consecutive medal, and hope to make it gold for the fifth time after previously prevailing in 2004, 2010, 2013, and 2017.

Last year in Buffalo, the U.S. beat the Czechs 9-3 for bronze.

After the U.S. failed to click with two early power plays, Jack Hughes set up the first American goal at 12:48. He snaked his way down the middle into the Czech zone and fed a short pass to Cates, who deked to the forehand and beat netminder Lukas Dostal in tight.

"The perks of playing with Jack Hughes!" said Cates about scoring his first of the tournament.

"All the guys were calling him the 'secret weapon' we had in the back pocket, because no one saw him this tournament," Quinn Hughes joked about his brother. "So when he got that assist, we were like, 'Oh, the secret weapon, baby!'"

Hastings added: "I really like the growth of the group. You go into tonight and you're looking at the scoresheet and you see Noah Cates hasn't scored a point. Noah Cates scores a very big goal, right? When you can have different people contribute in different ways, that's when you start to get a little momentum as a group."

At 6:10 of the second period, Jason Robertson dished off to Norris for a breakaway from the blue line in, and he came in with his head up and beat Dostal five-hole.

"I think timing is pretty big in this tournament, to be playing good at the right times," Norris said. "The last 10 minutes of the Sweden game [a 5-4 overtime loss with a dramatic U.S. third-period comeback], I think you saw our character. We had a good meeting after that game and really brought ourselves together. We're just being really selfless right now, playing for each other."

The Czechs, who got just eight goals in the preliminary round, were struggling to create scoring chances.

In the first minute of the third period, Dostal did his best to give his team a chance, sliding across to rob Cates with a glove grab.

With U.S. captain Mikey Anderson off for tripping, the top Czech forwards finally came through. Kaut cut the deficit to 2-1 with his third goal of the tournament with 8:31 remaining. Martin Necas stickhandled in the right faceoff circle and took his time before feeding the puck to Kaut in the slot, and he zinged it through Primeau.

However, the Czechs couldn't complete their comeback after pulling Dostal in the final minute. Chmelevski salted away the win with an empty-netter at 19:21.

"I thought tonight the guys did a good job of setting up the next line, whether it was through our changes or just being smart with the puck," said Hastings. "We're in a good spot right now, but we've got to continue to get better through the next round."

After the game, the three best Czech players of these World Juniors were announced: Lukas Dostal, David Kvasnicka, and Martin Kaut.

Asked whether he was disappointed the U.S. won't face Canada after the defending champs were eliminated by Finland, Jack Hughes said: "I knew they had a great team, and growing up, US-Canada in Canada, I mean, that's a dream come true. It kind of sucks we won't be able to play them, but on to the next game, right?" 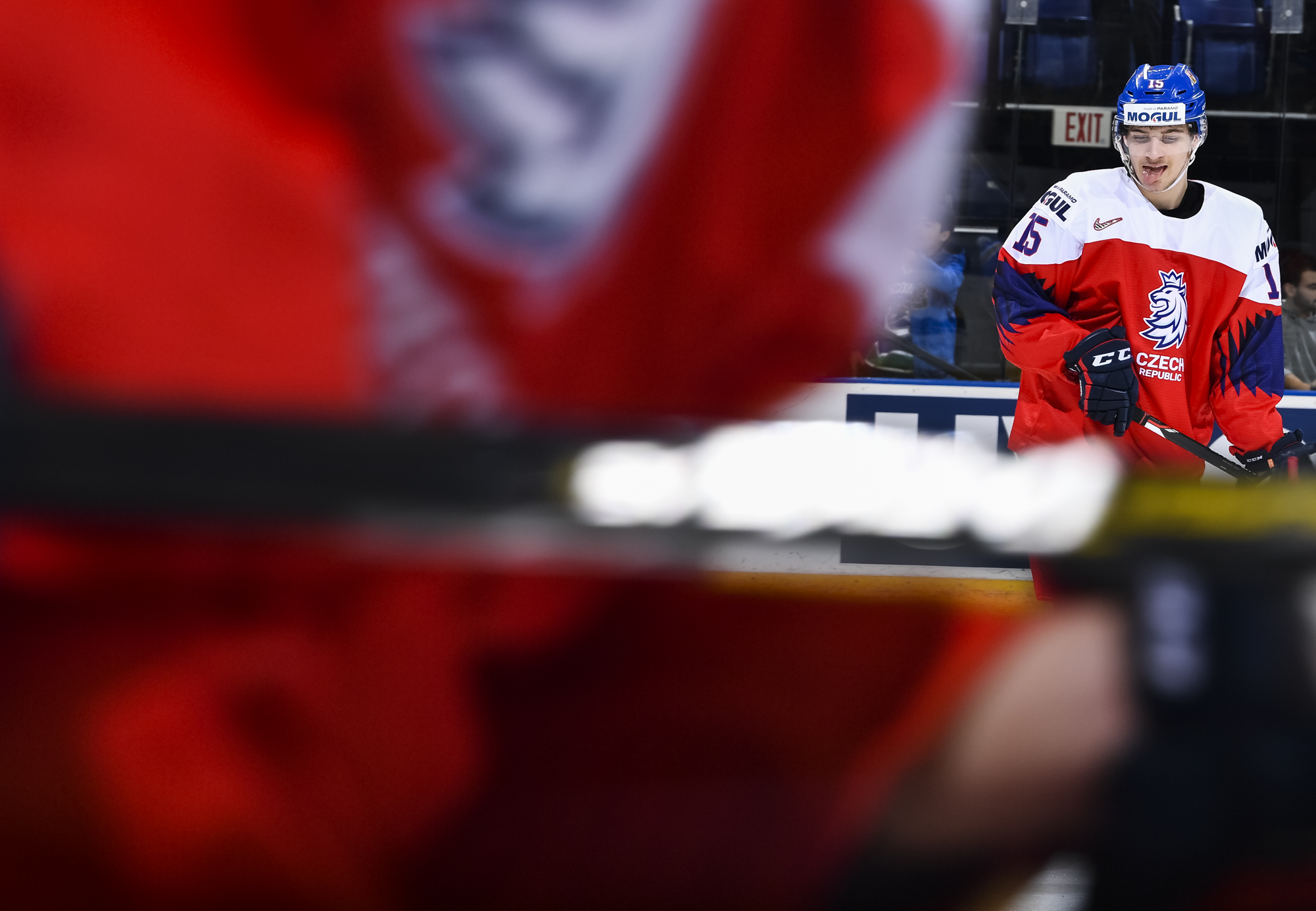 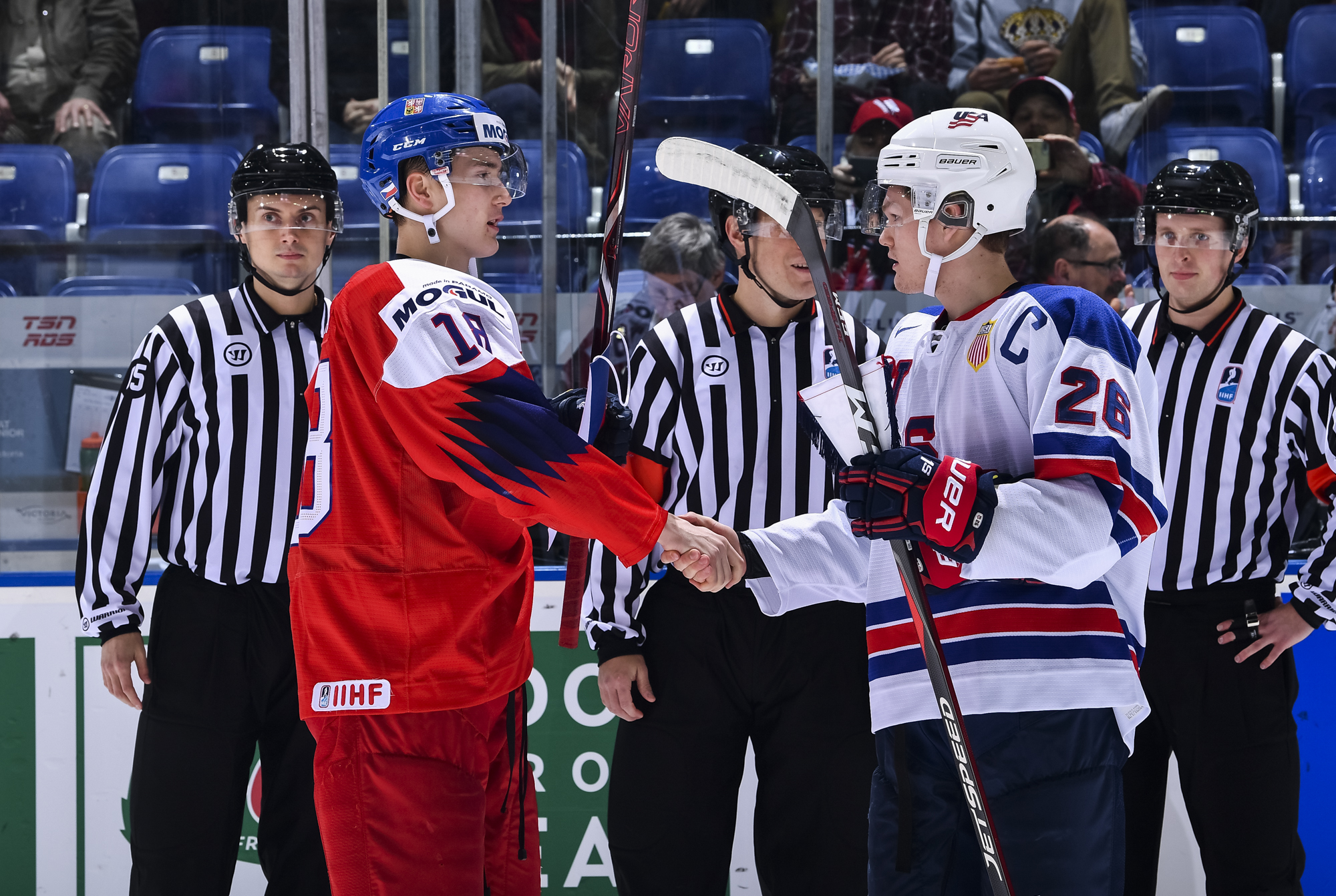 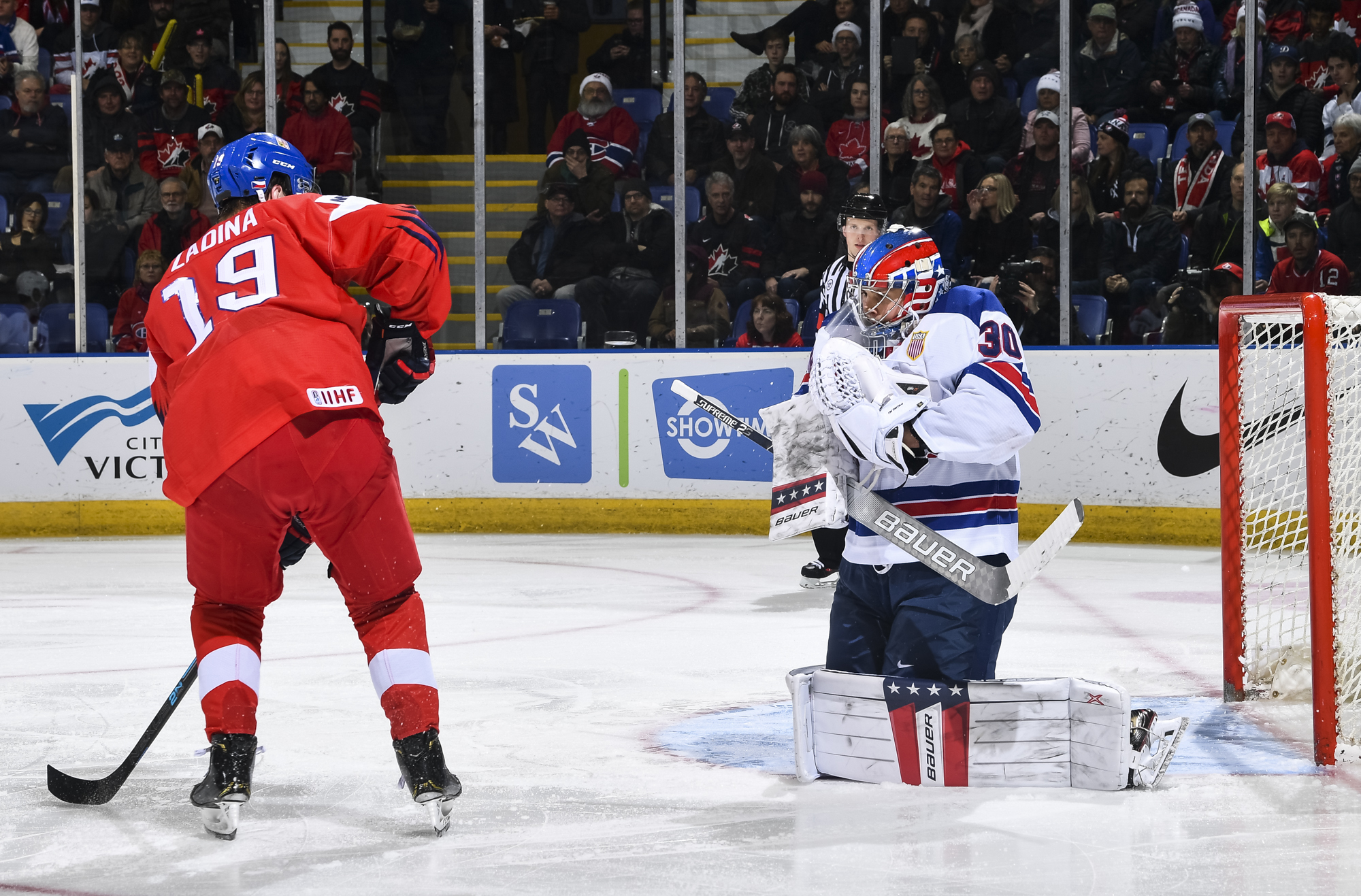 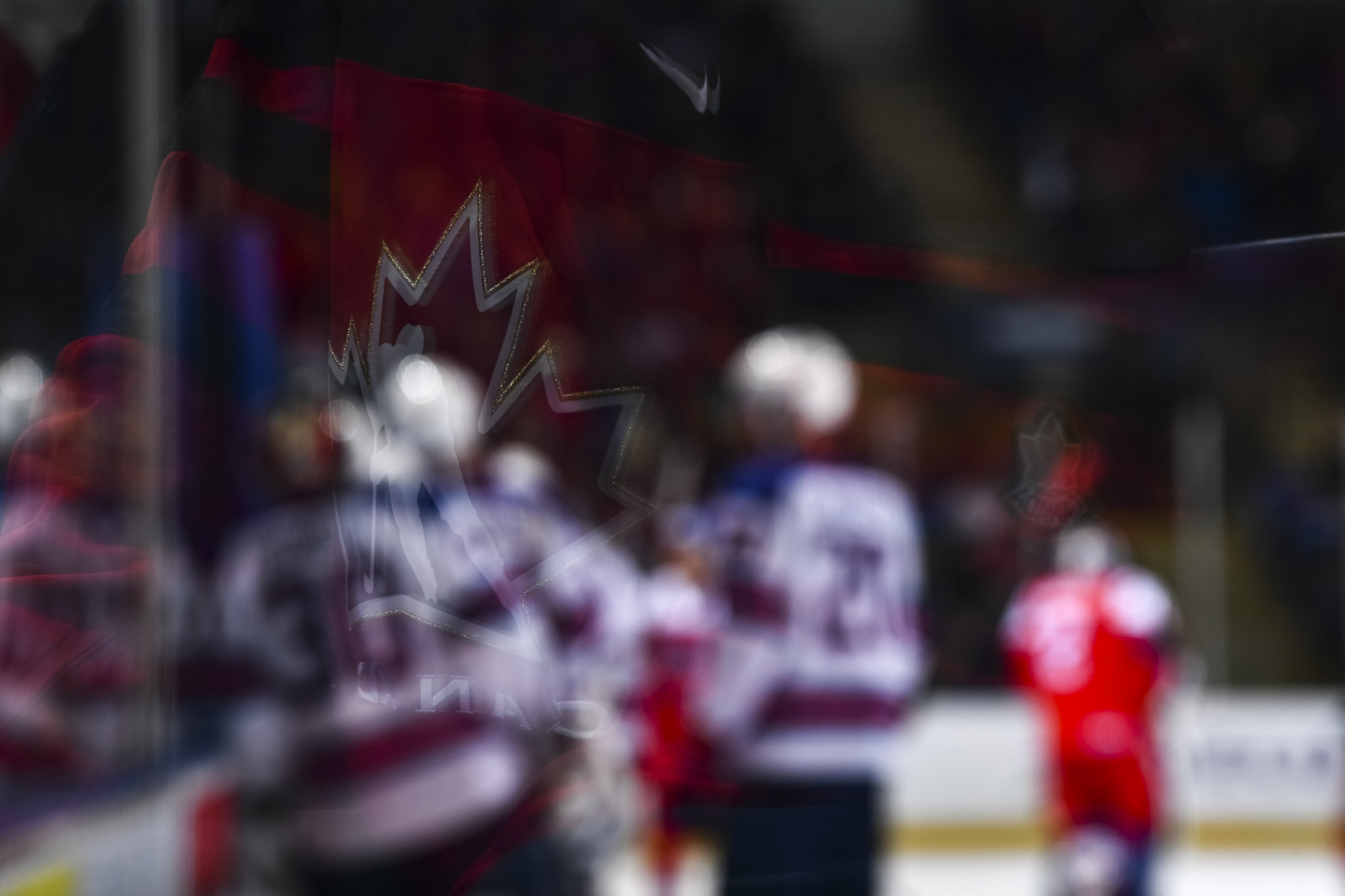 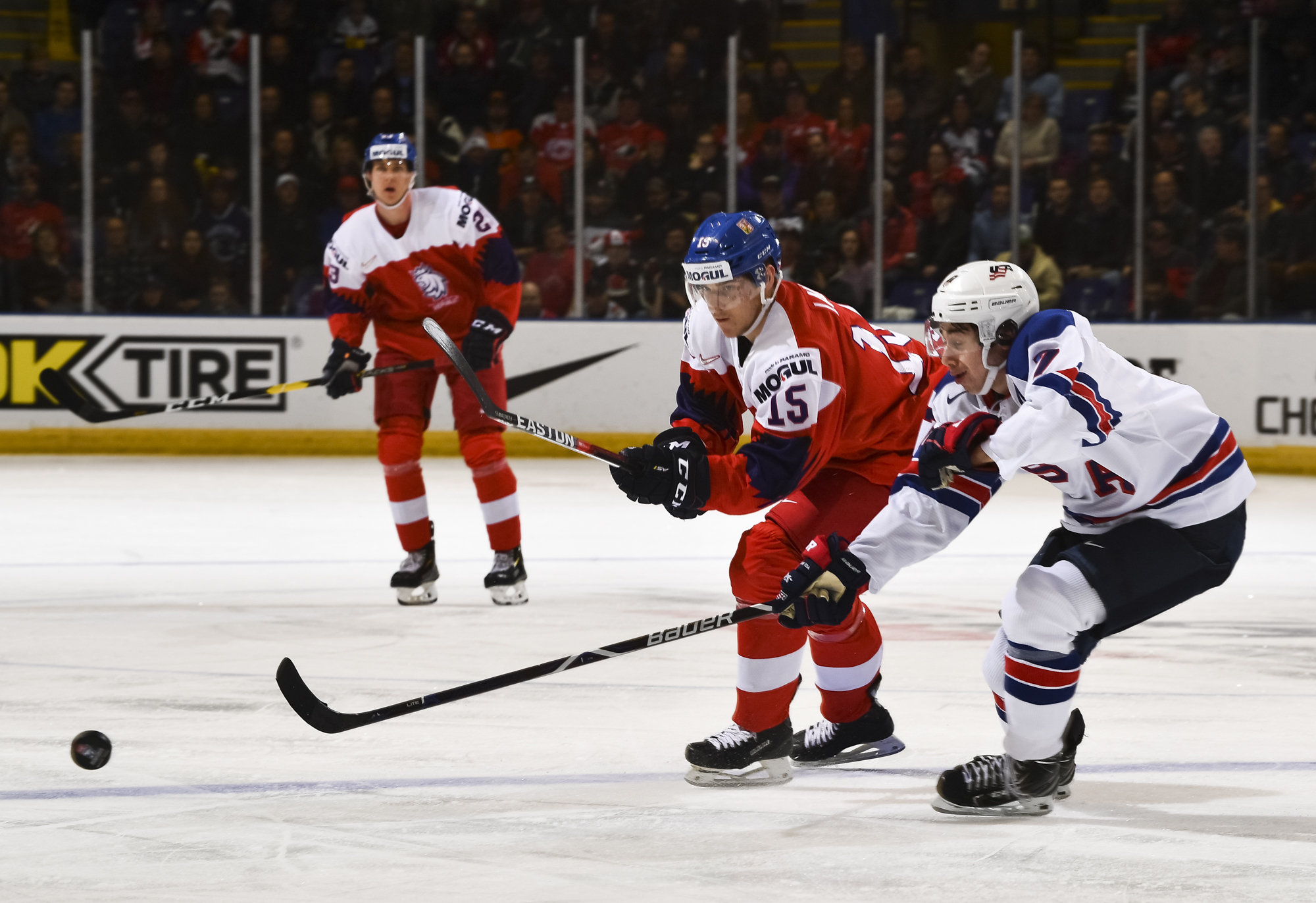 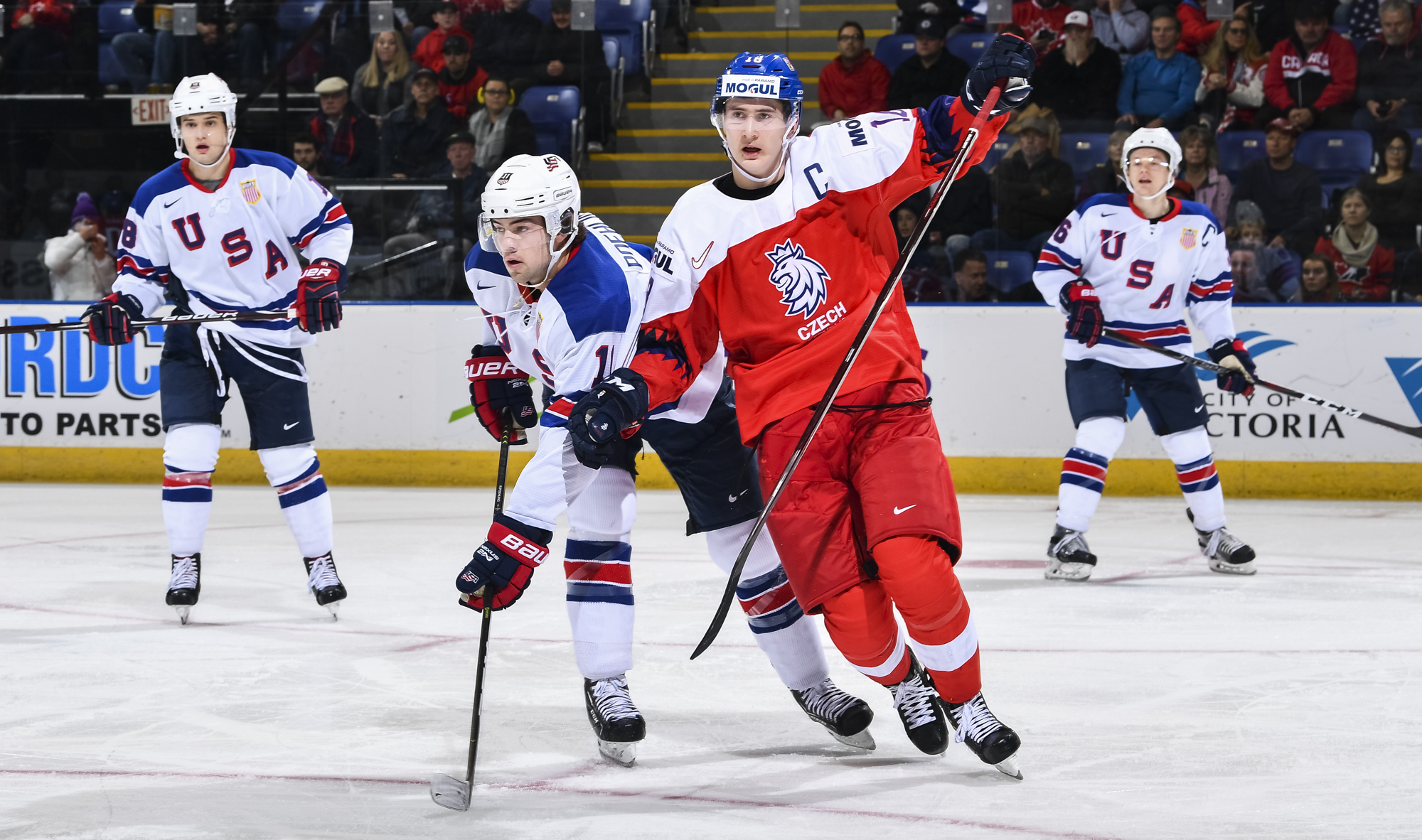 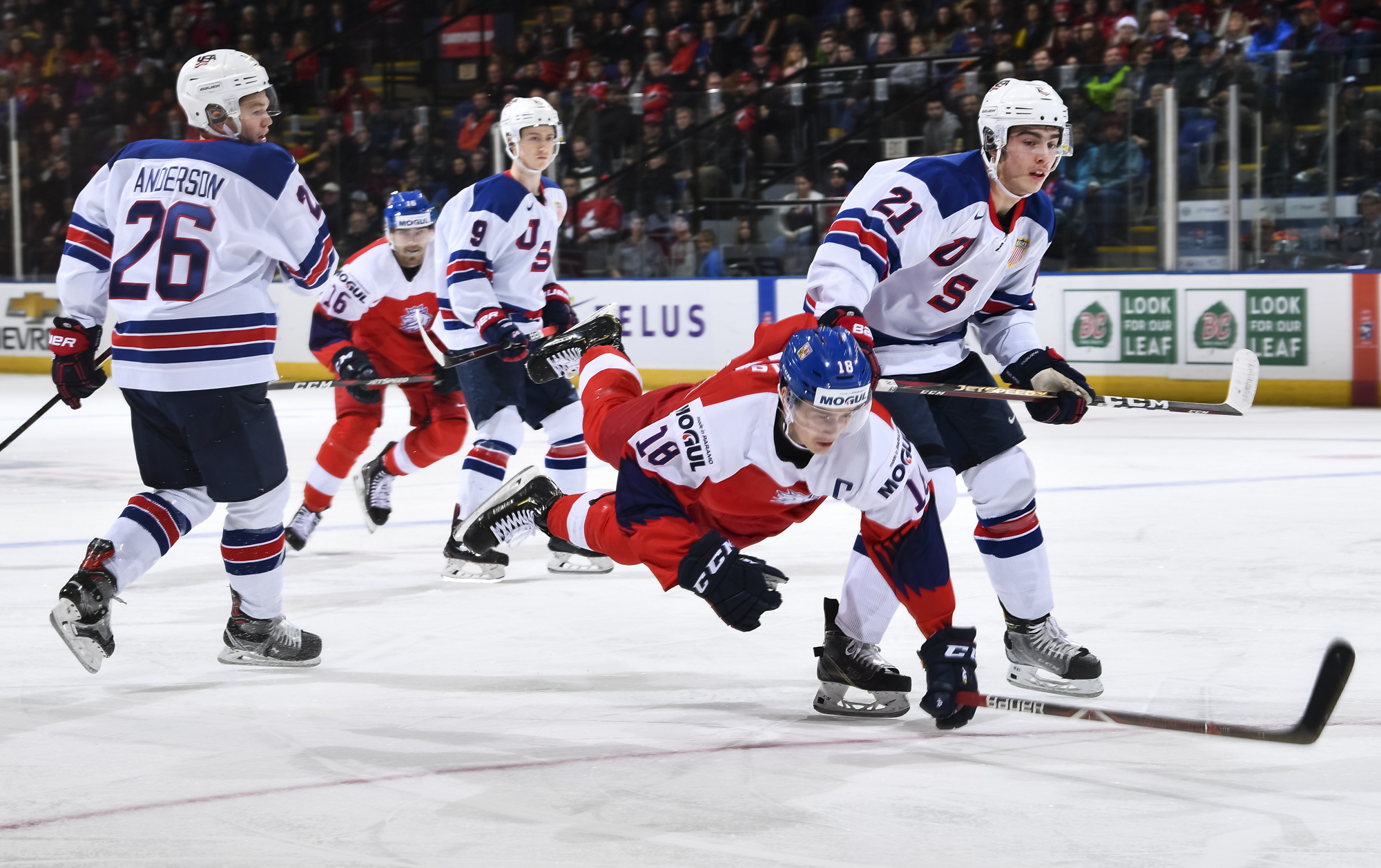 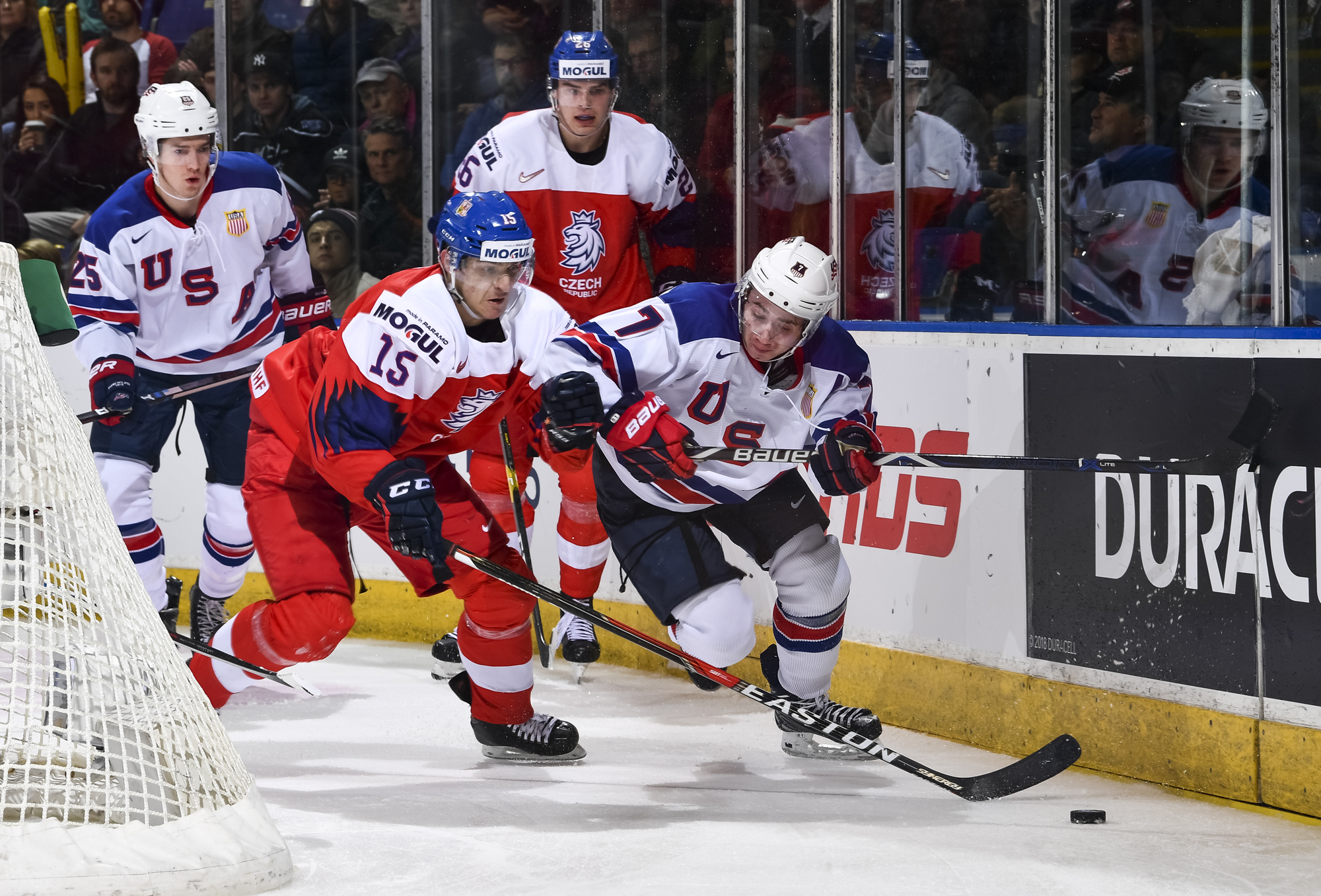 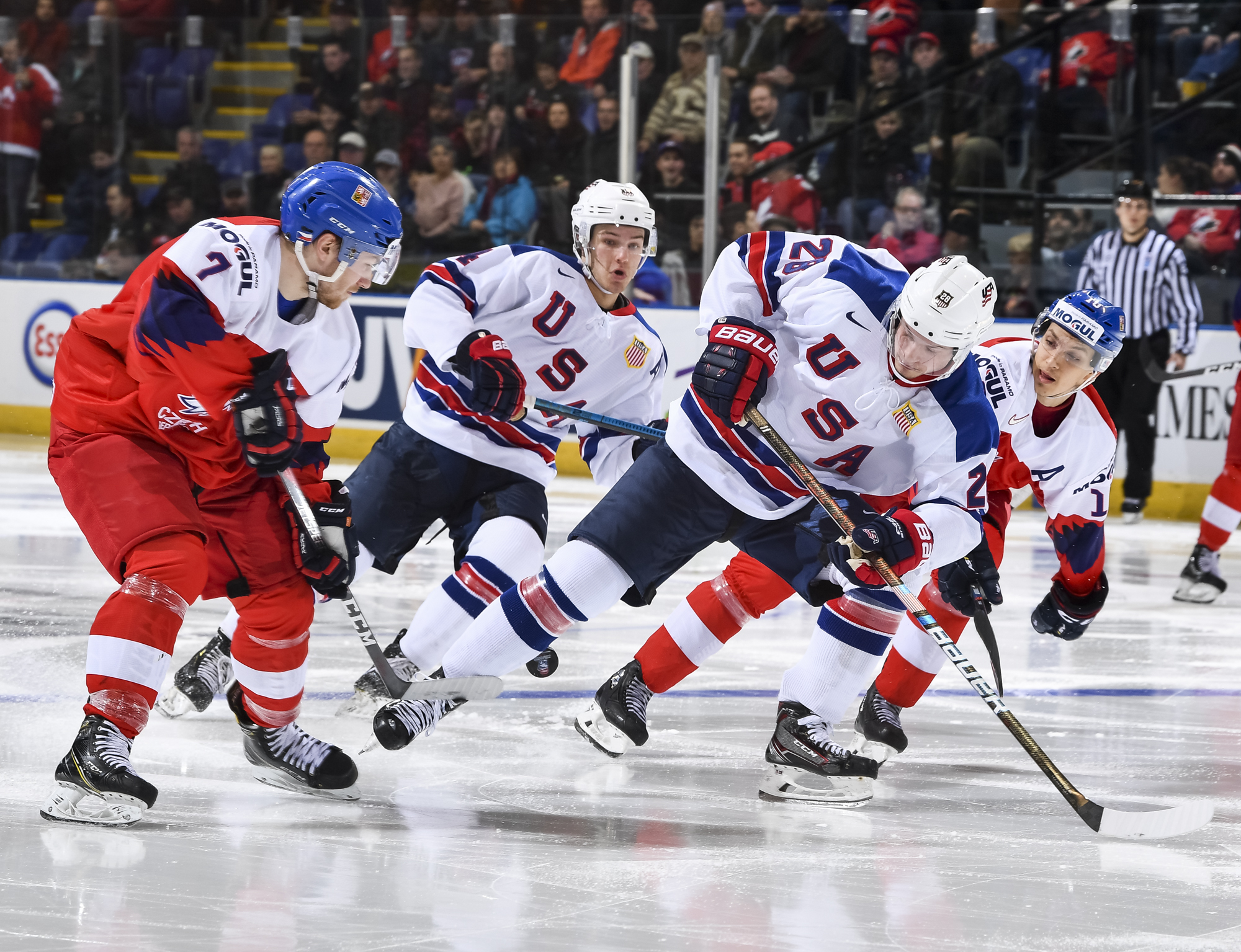 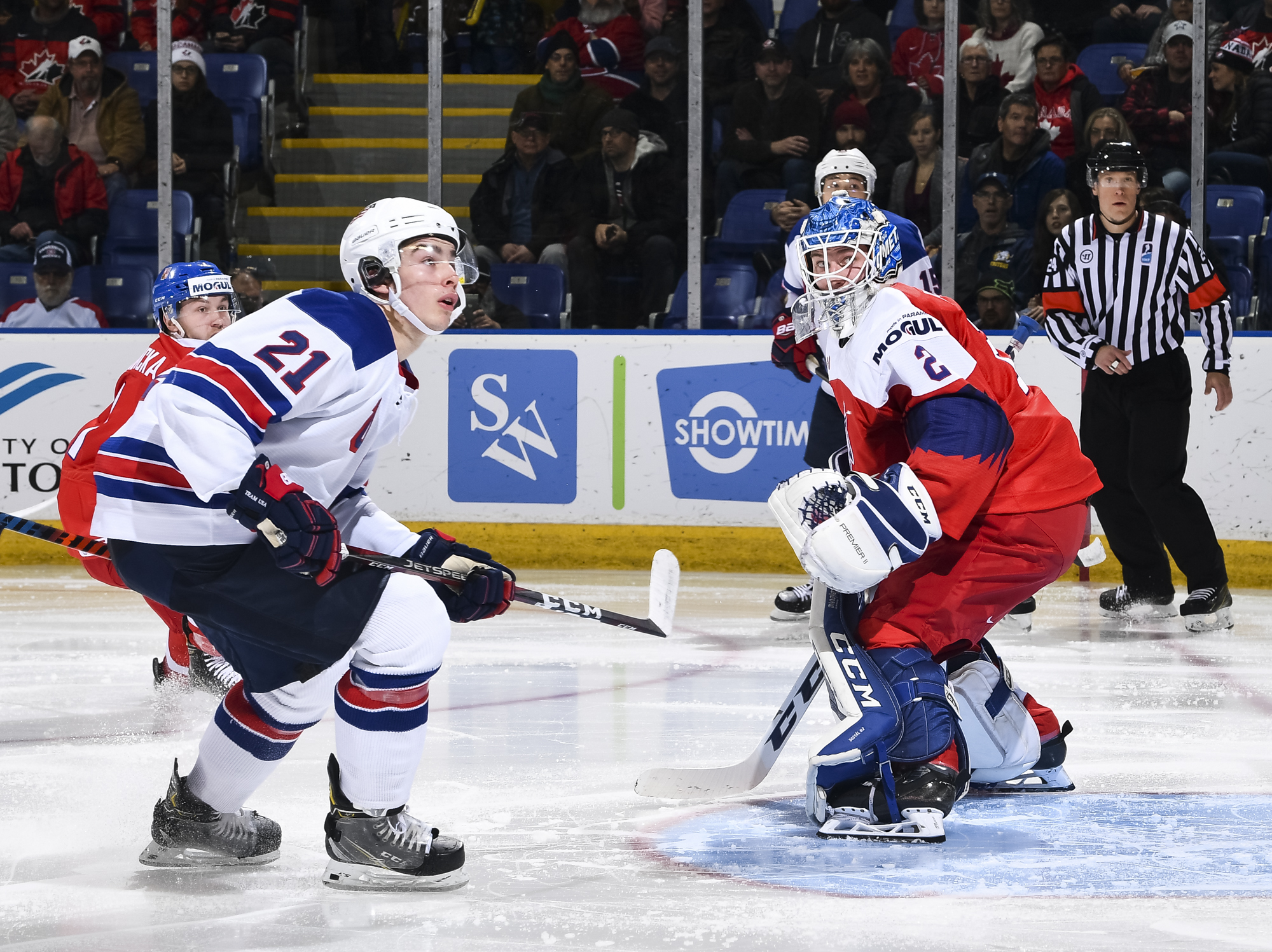 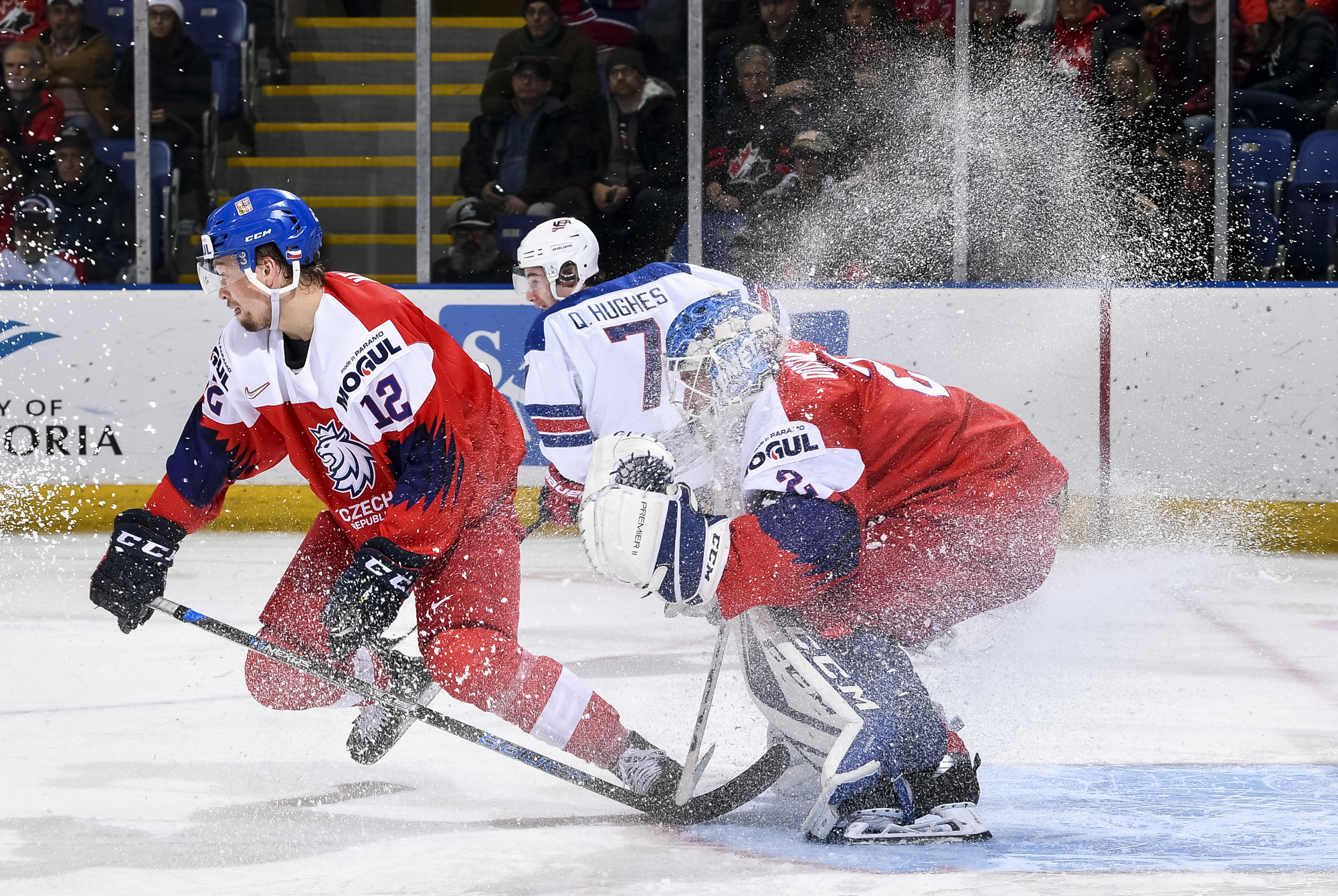 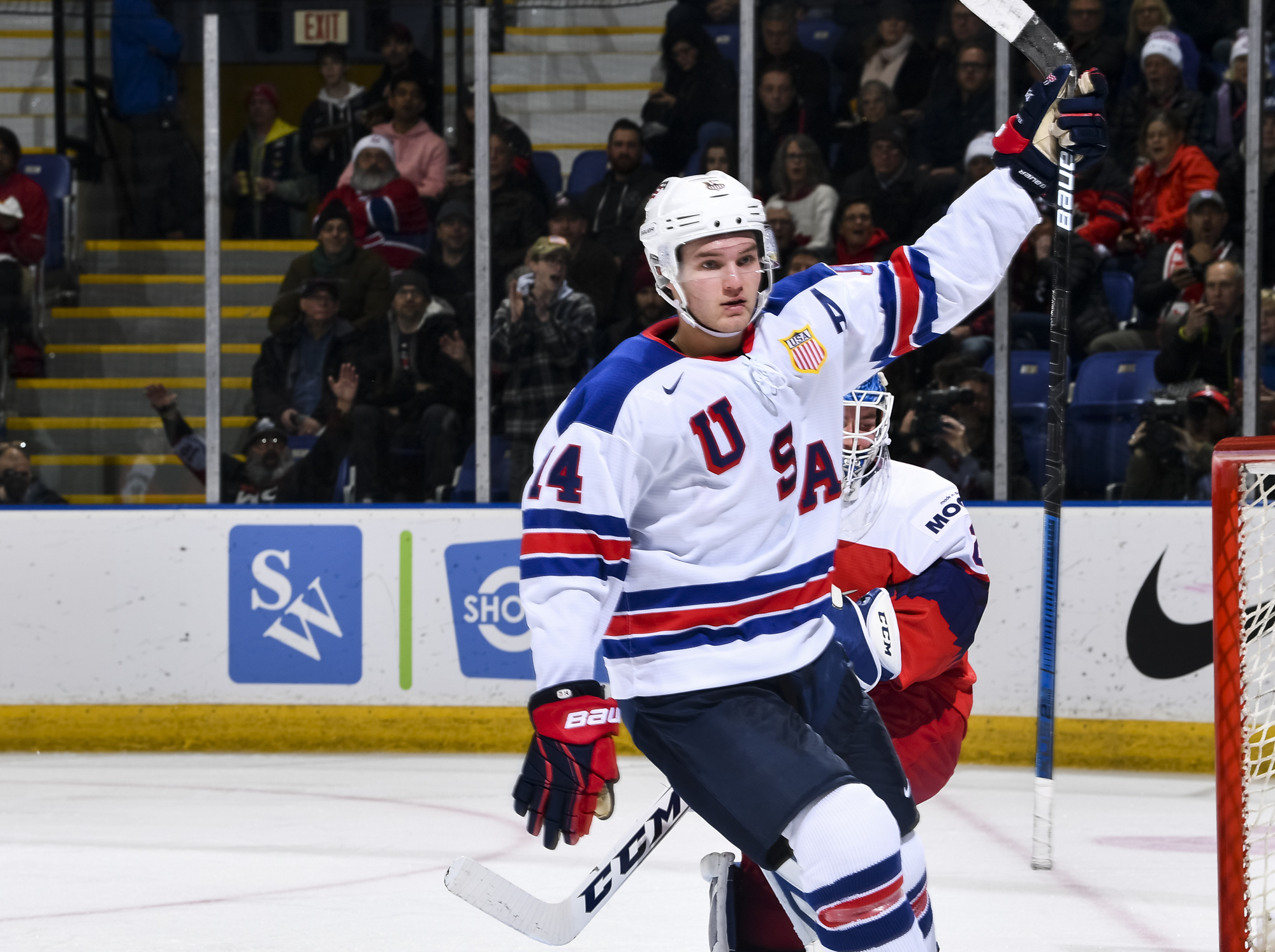 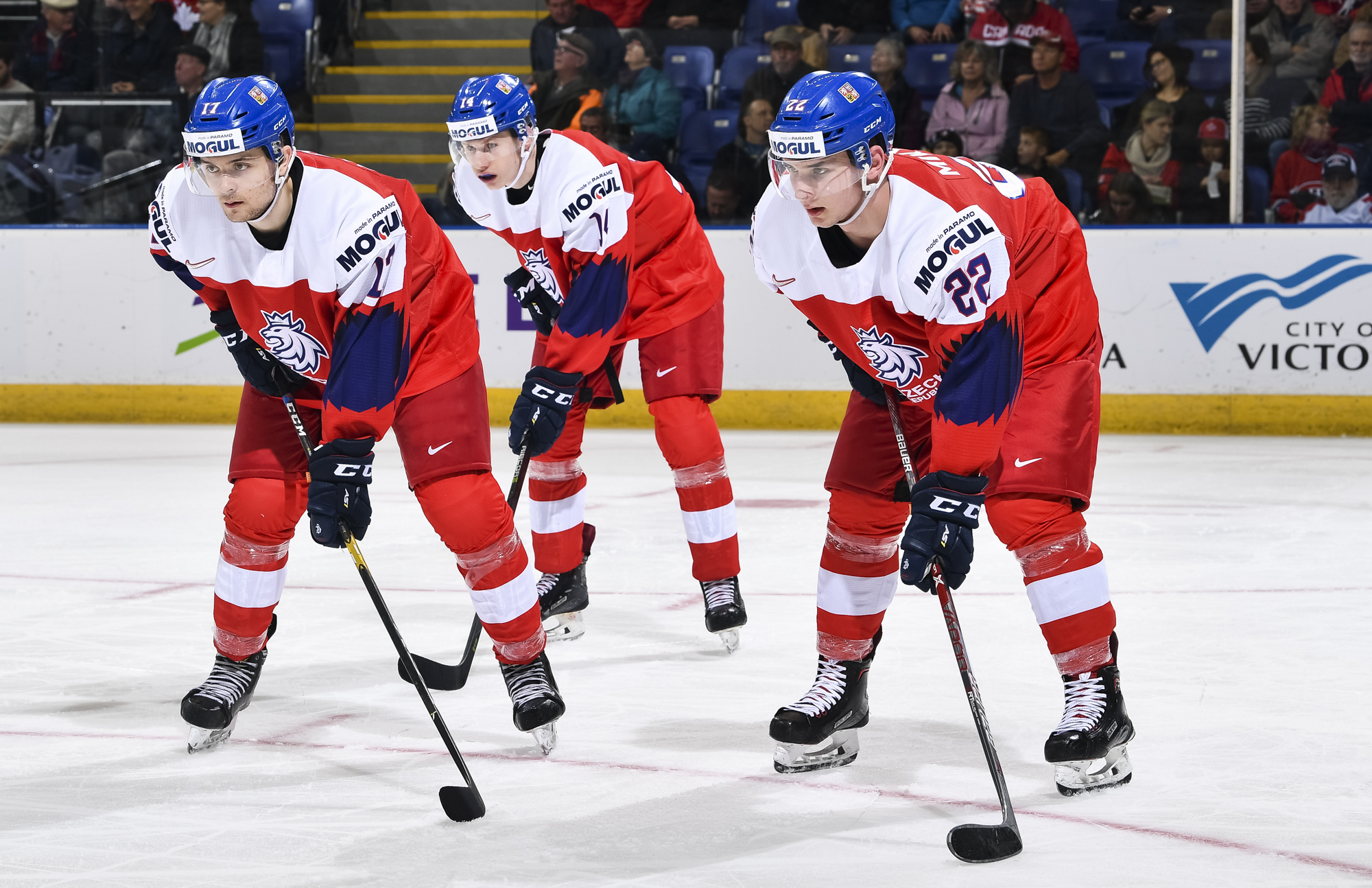 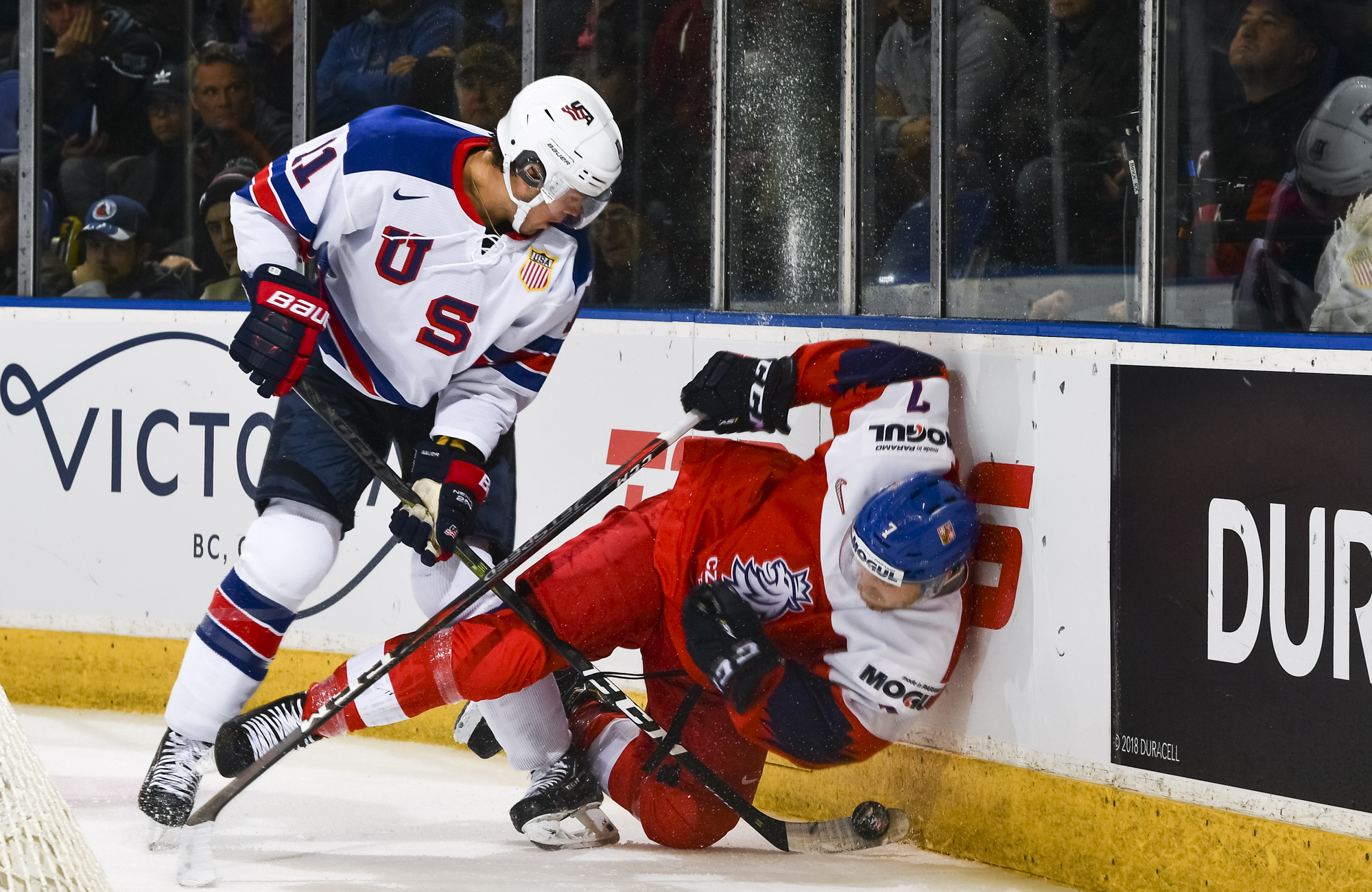 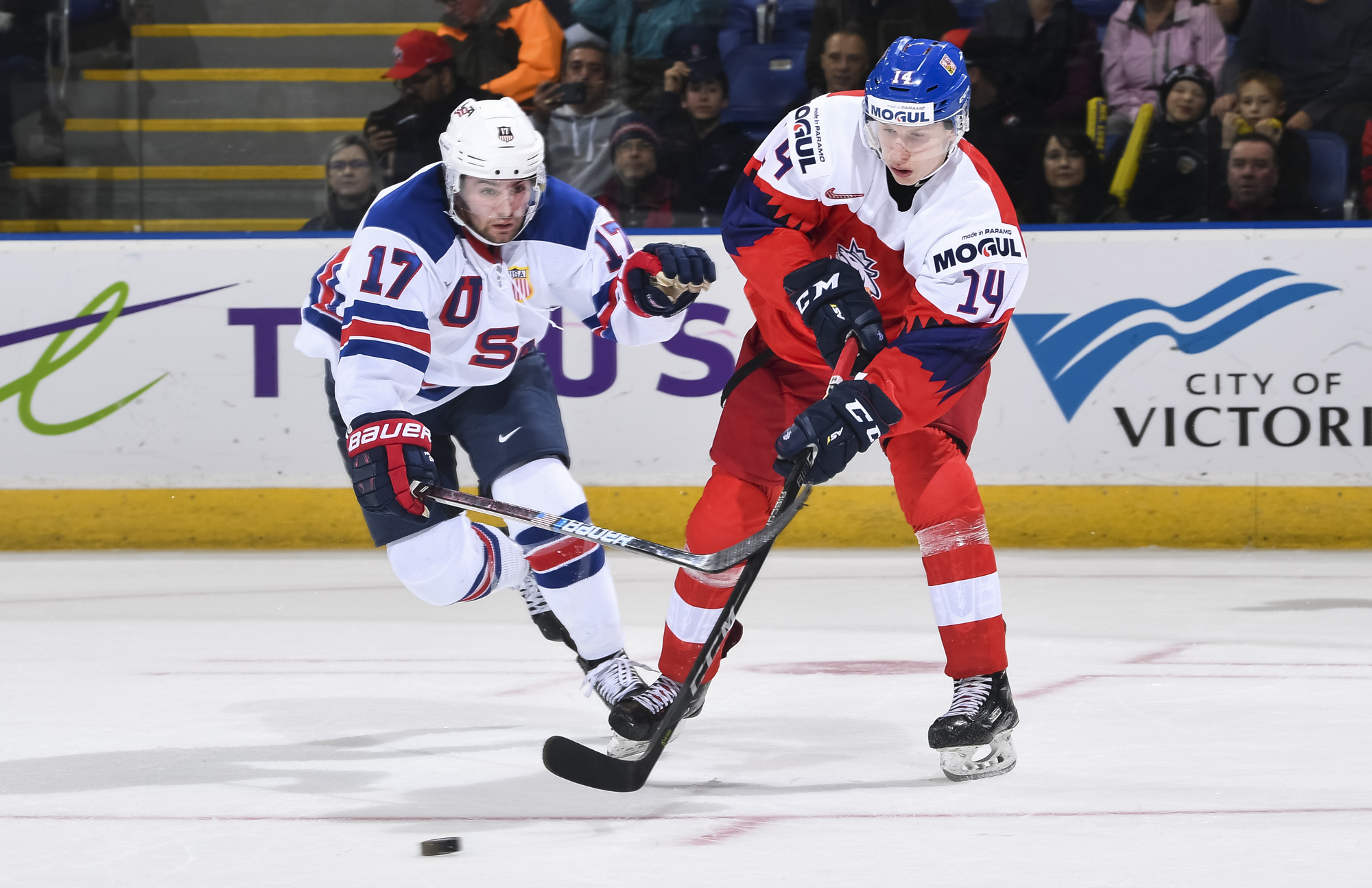 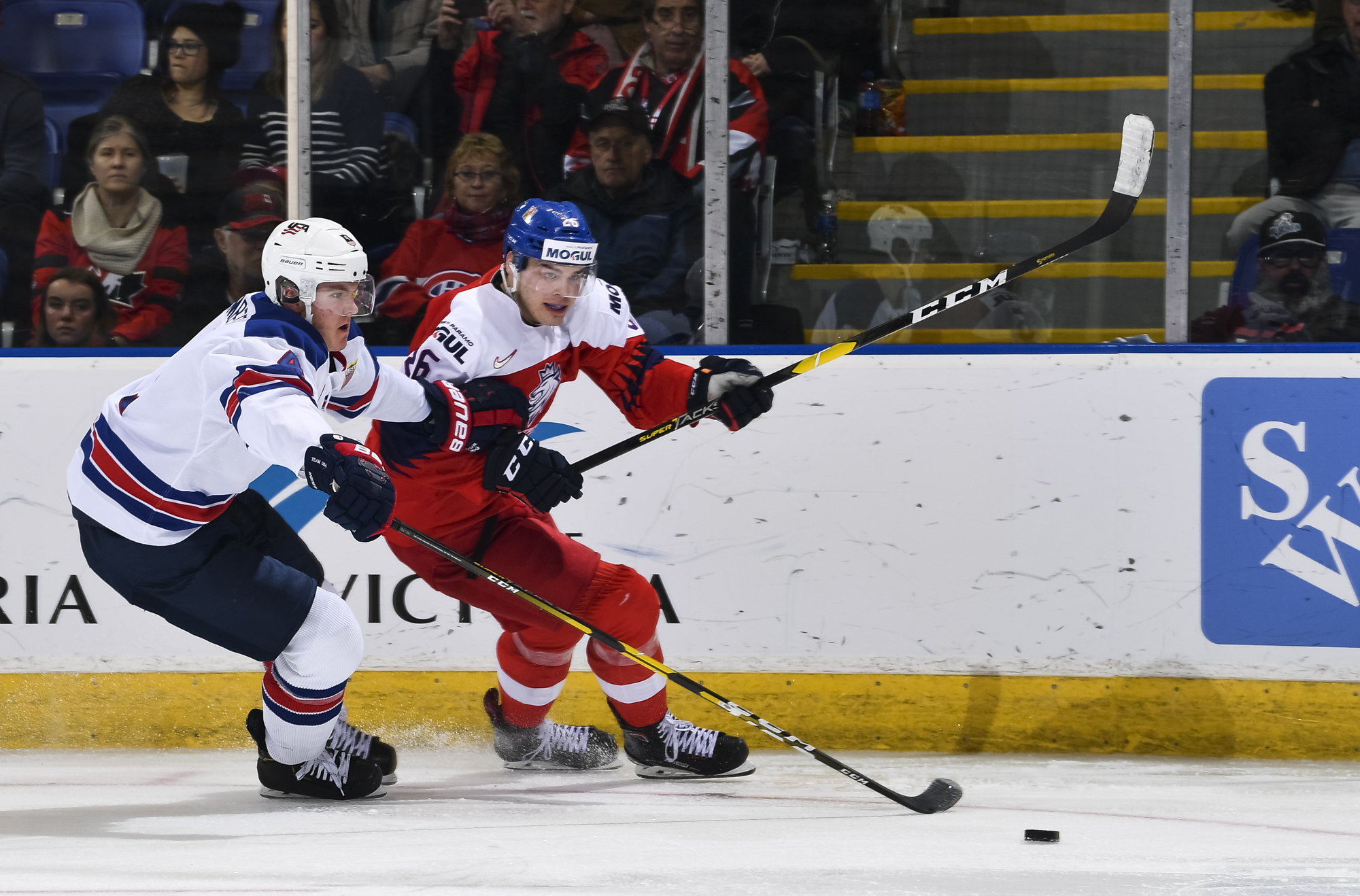 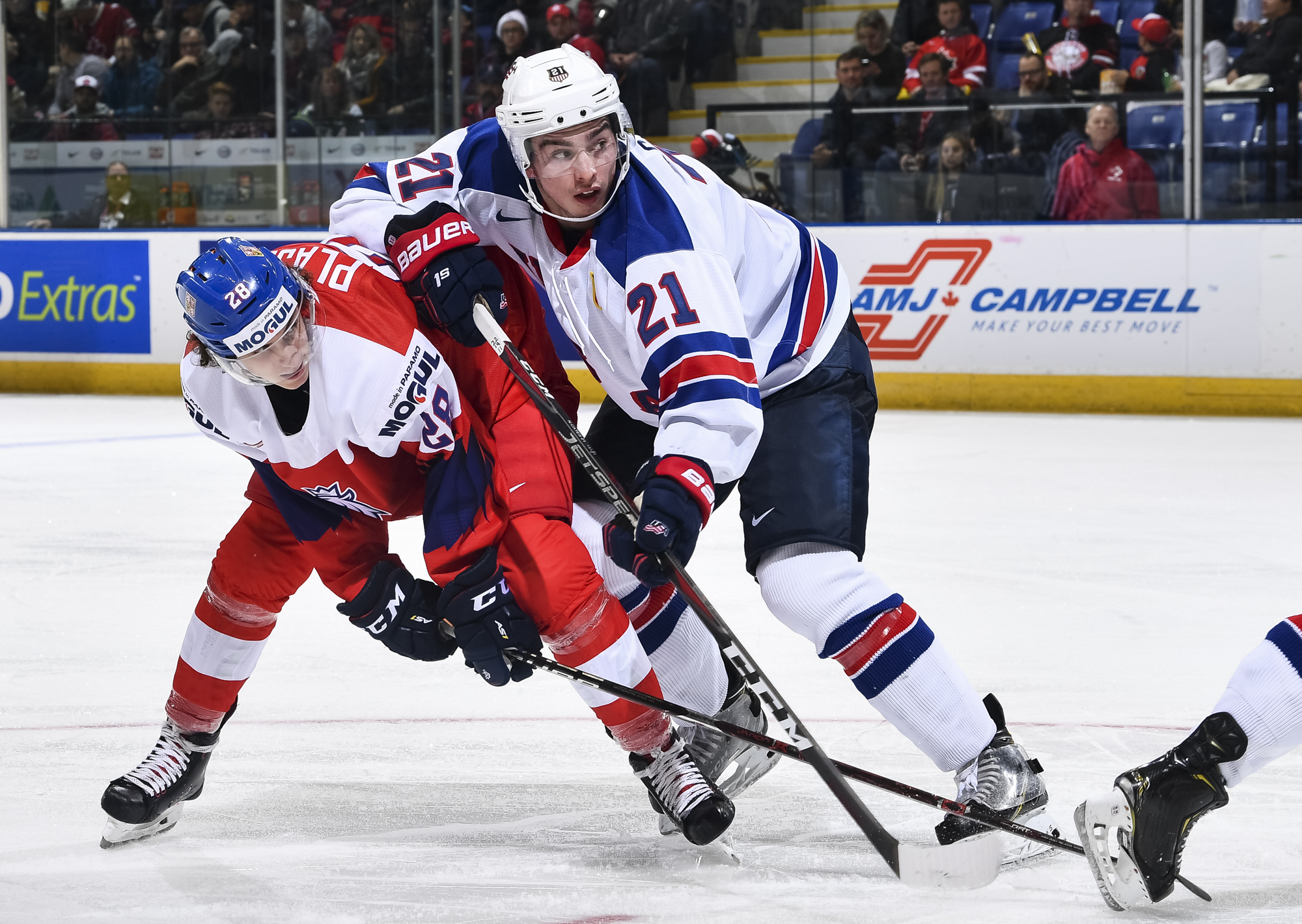 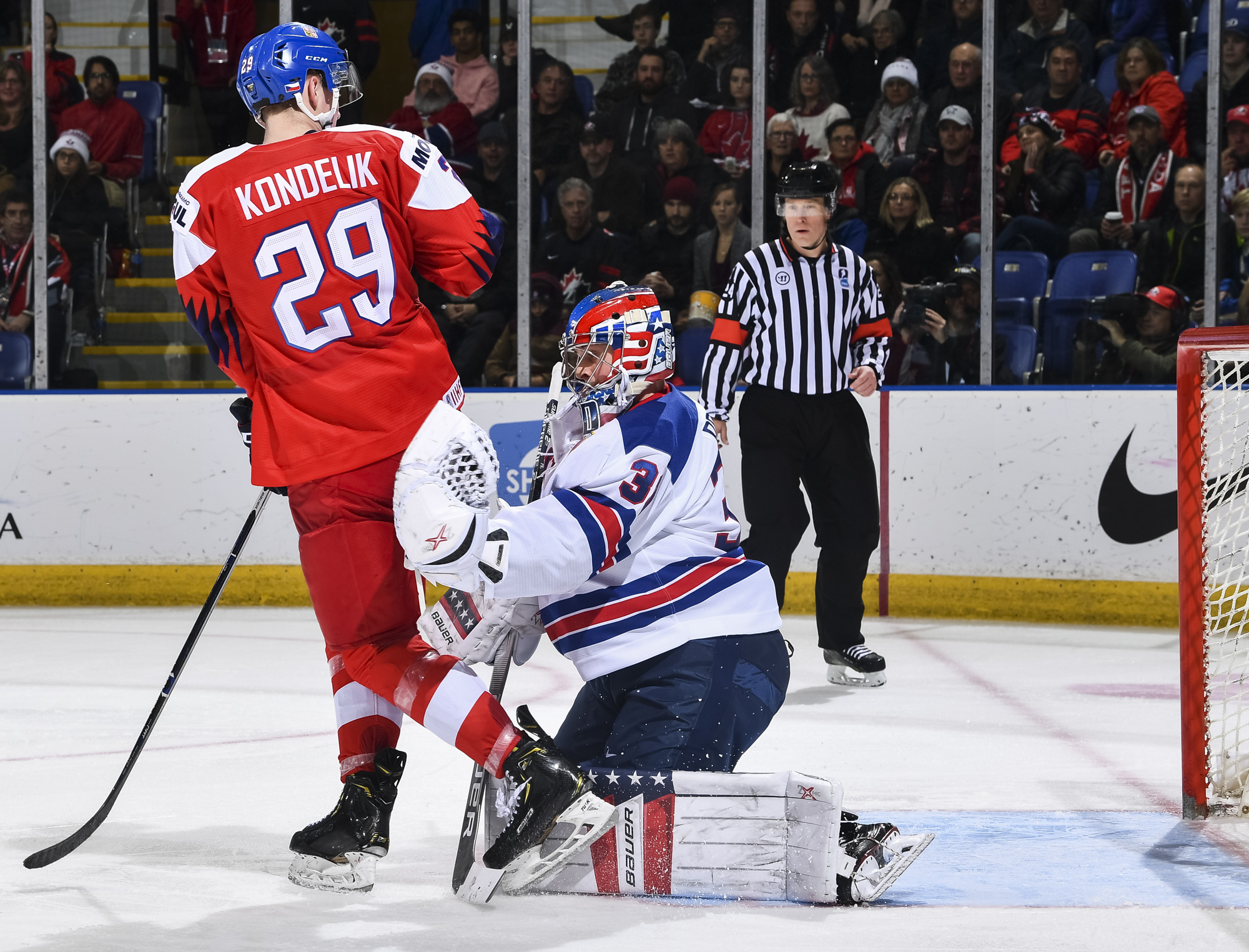 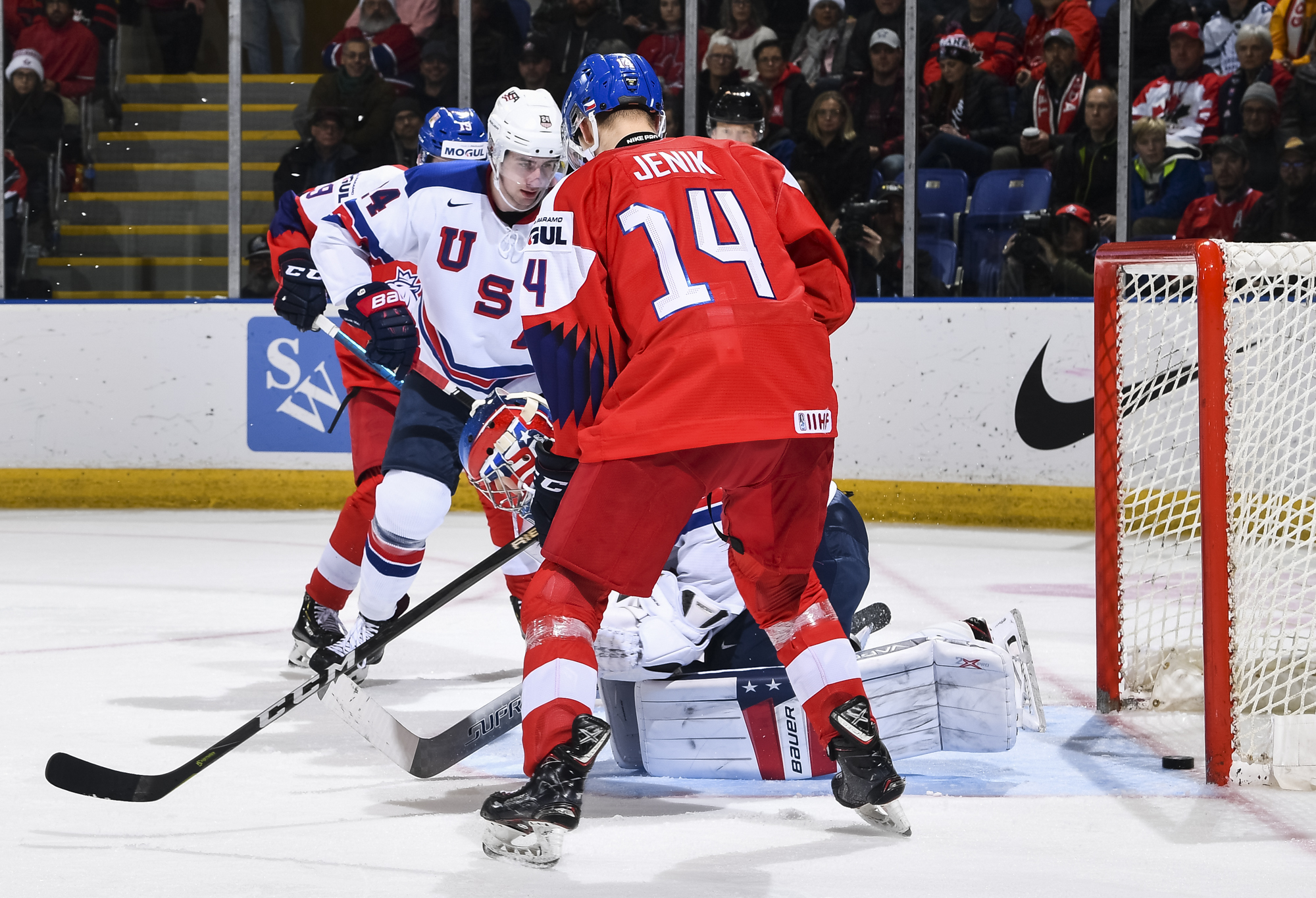 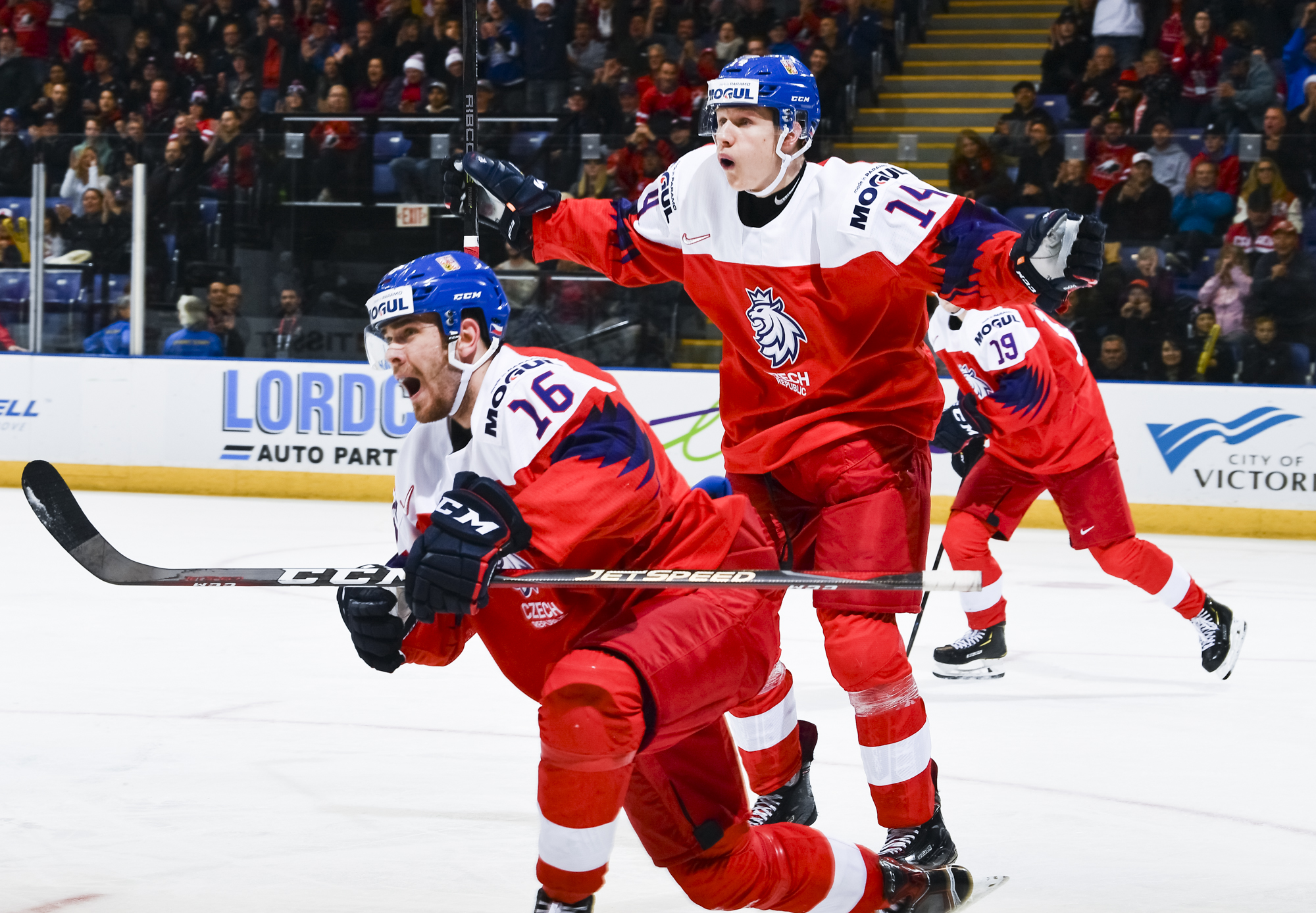 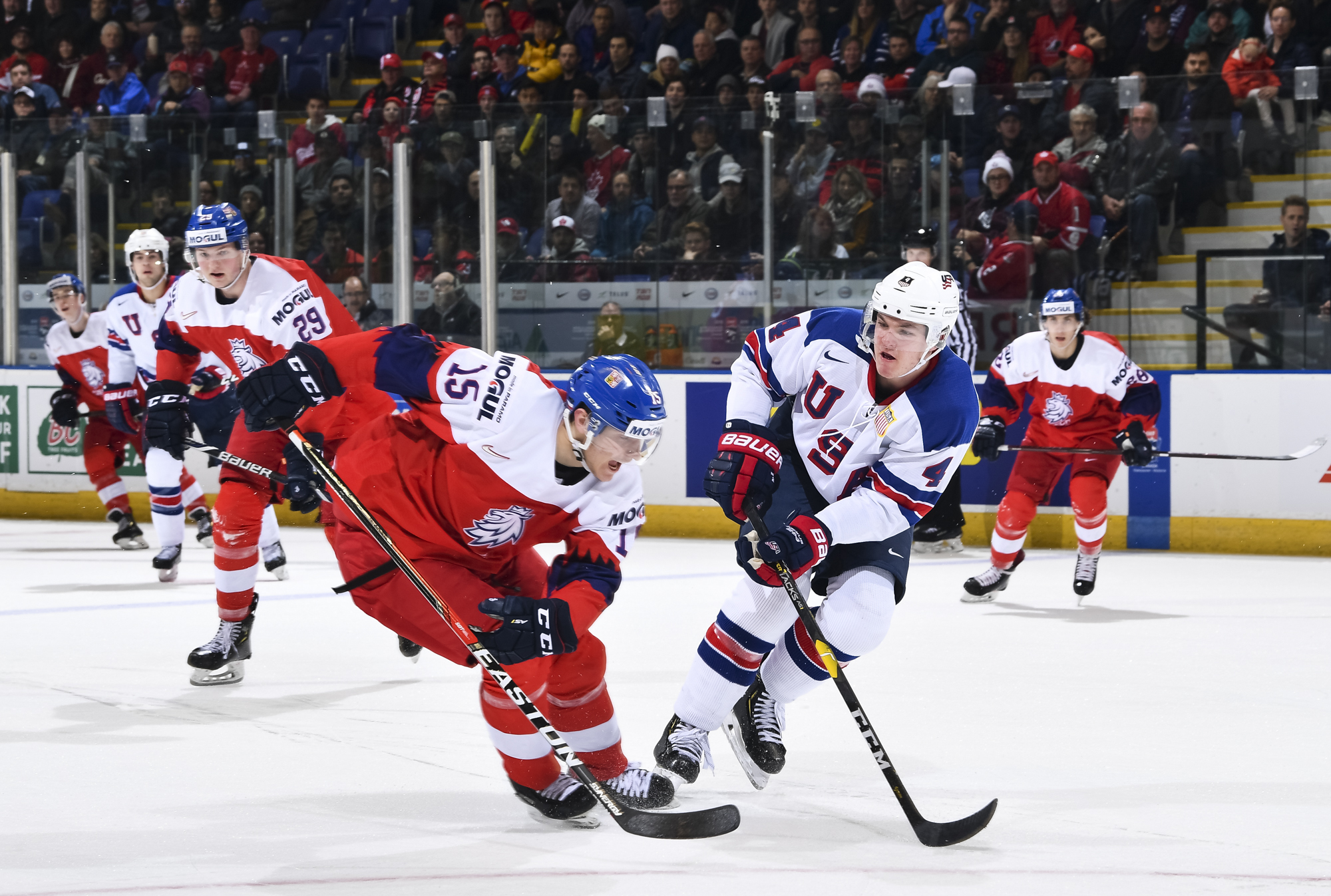 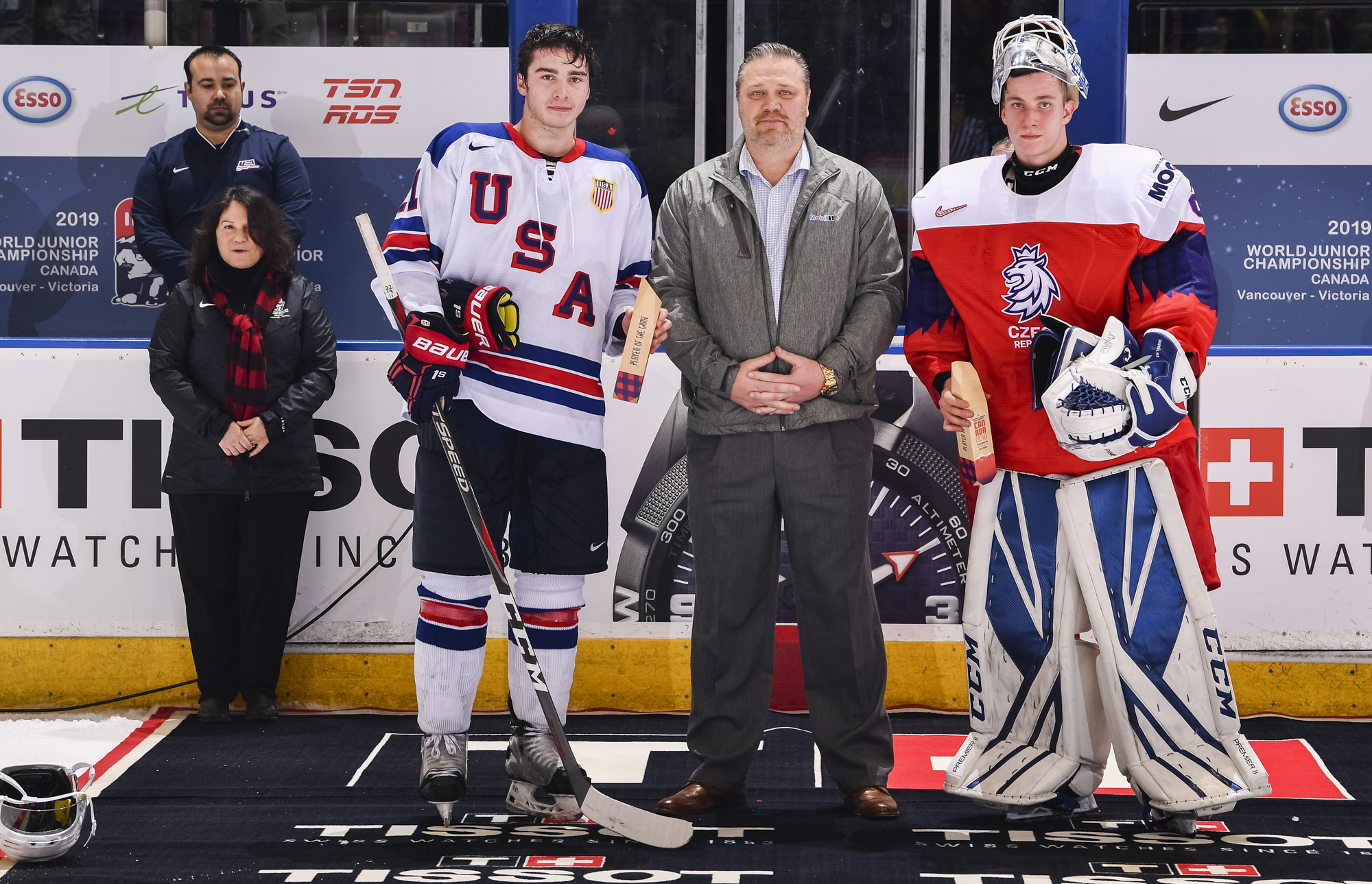 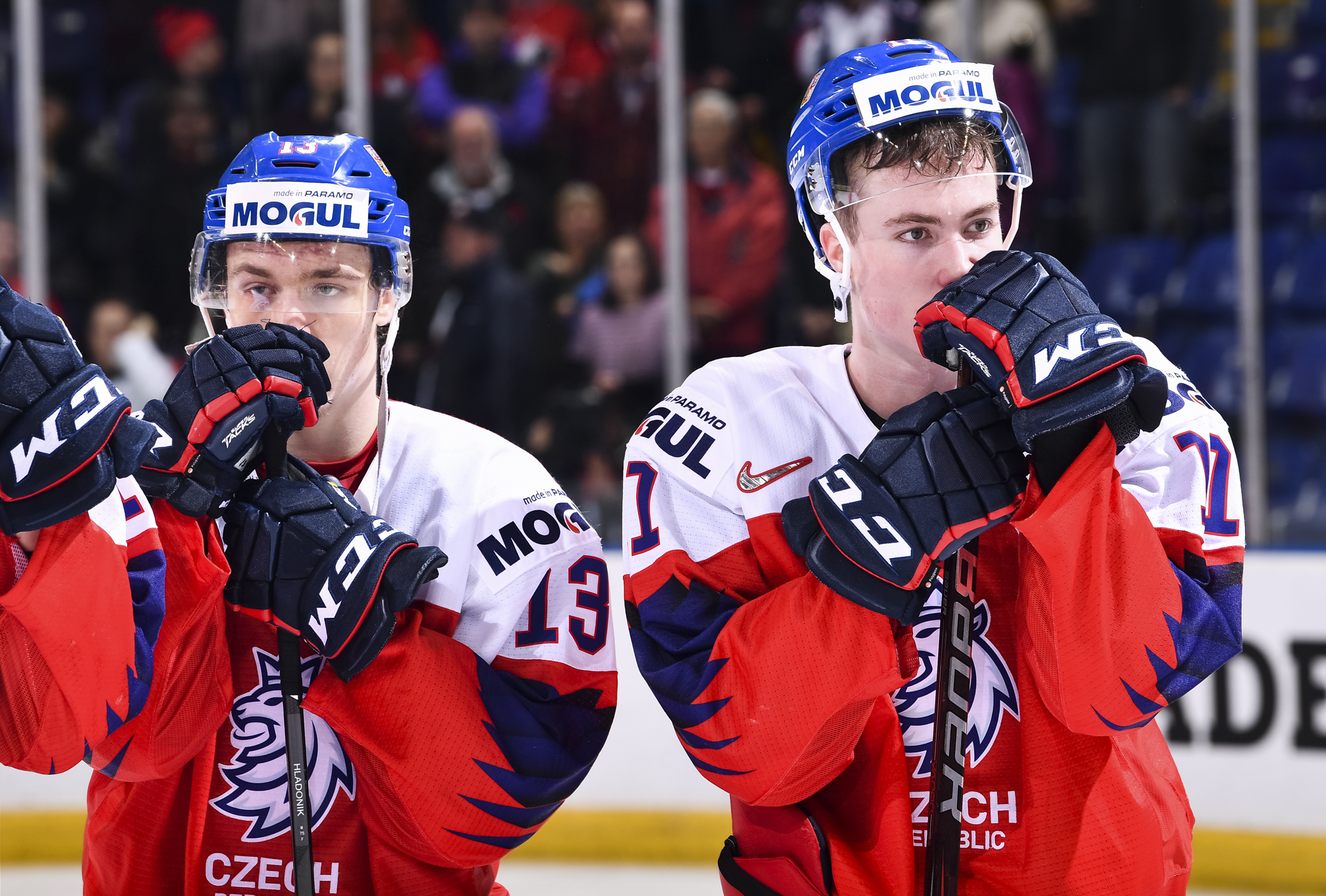 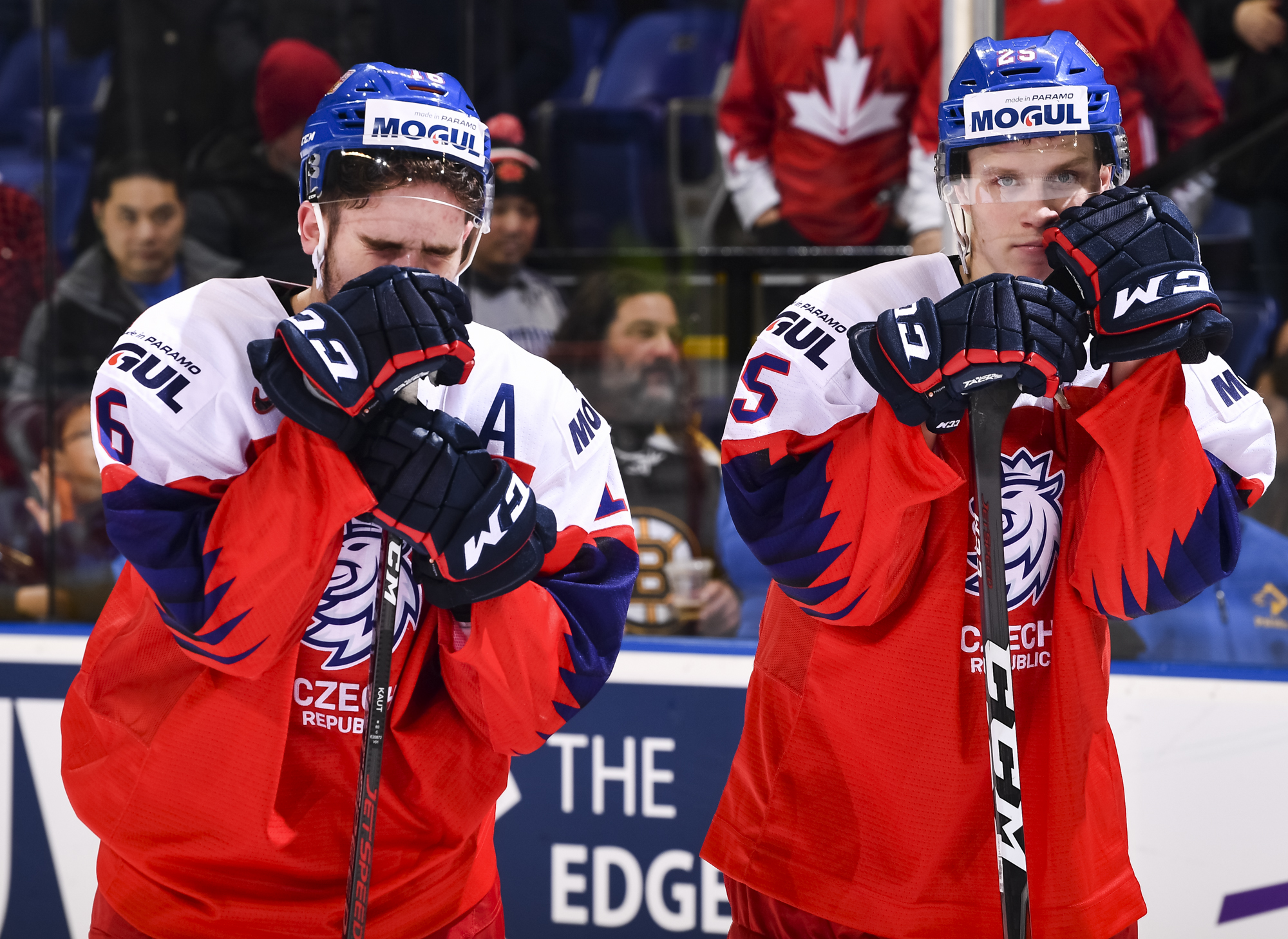 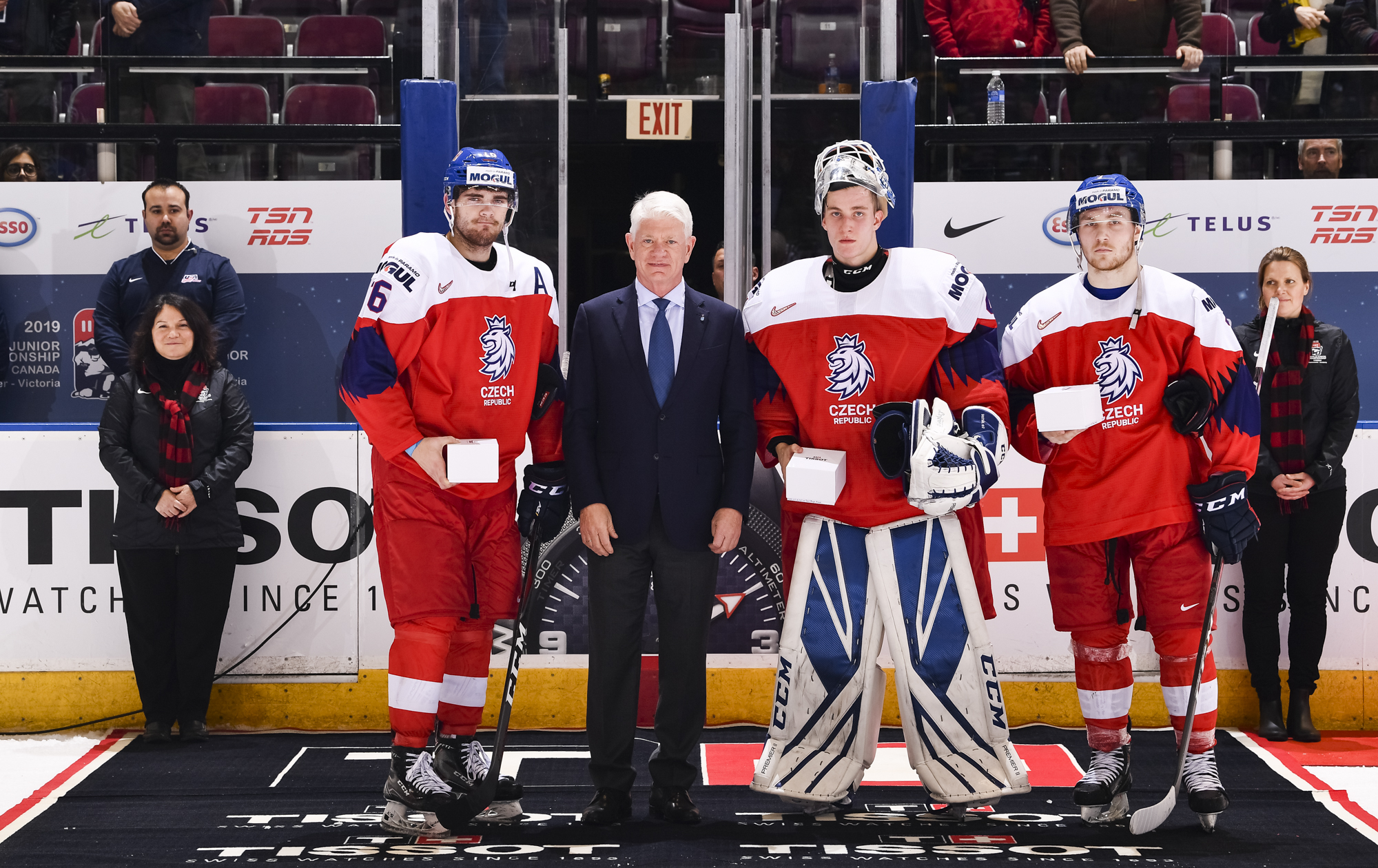 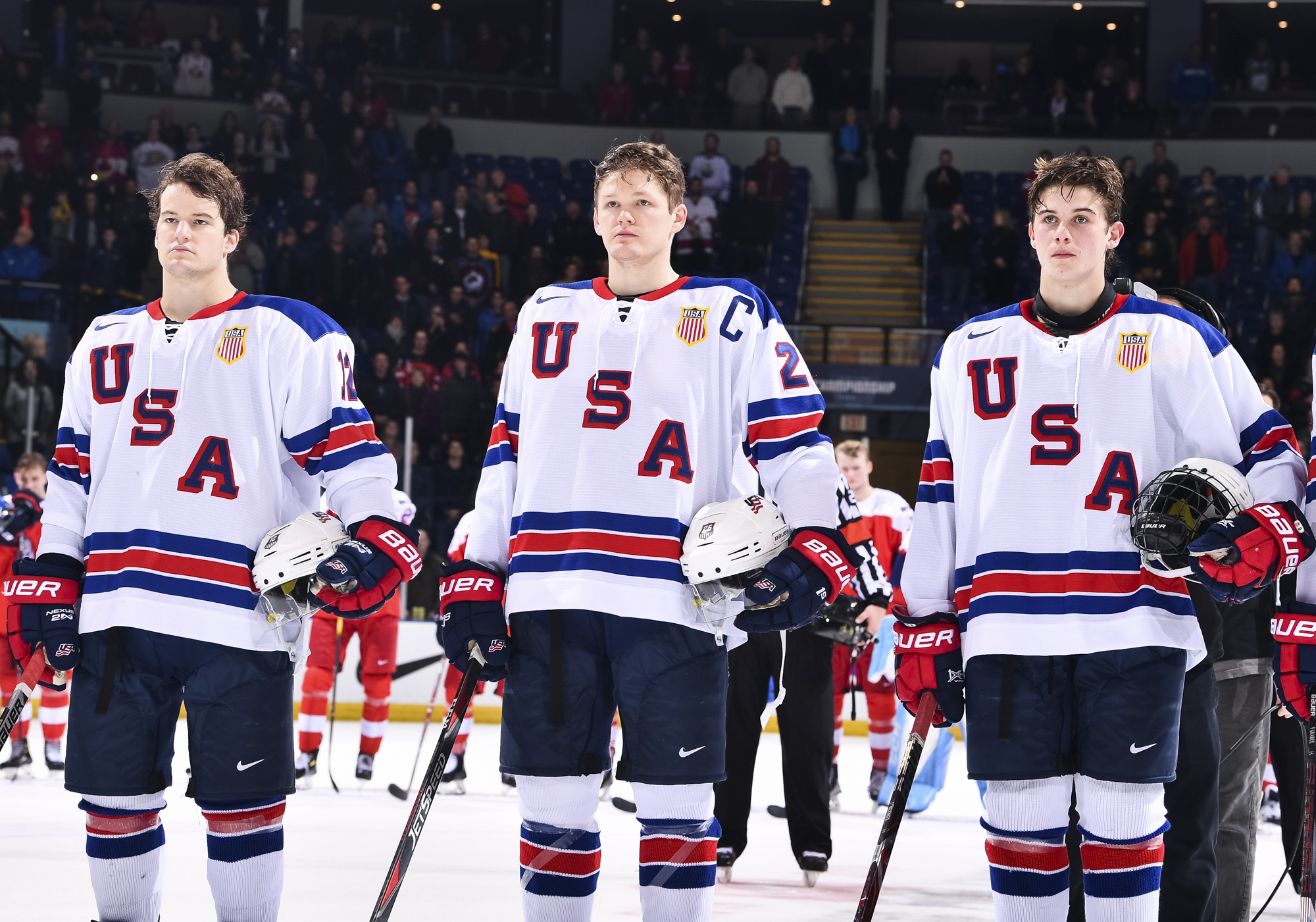 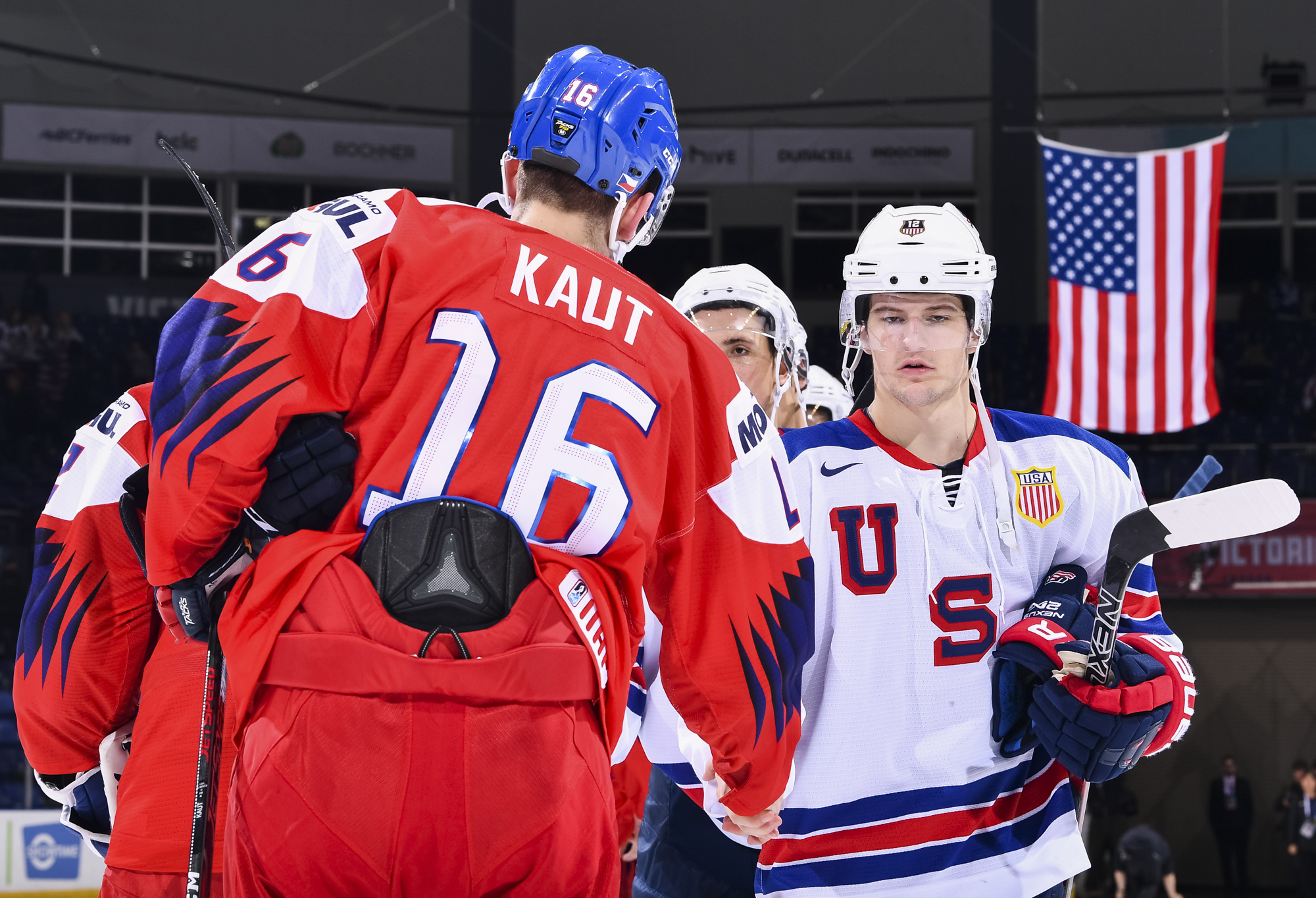 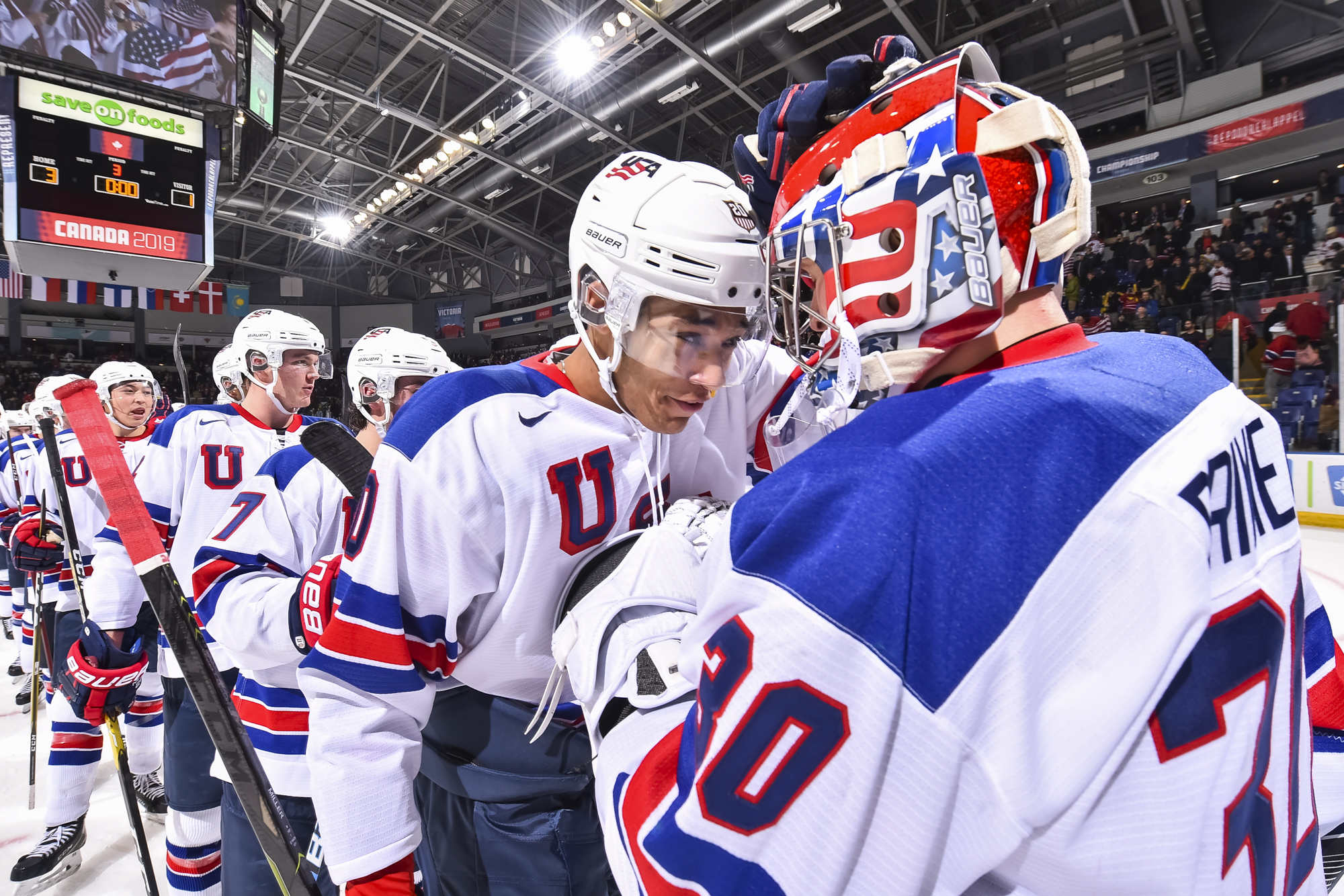 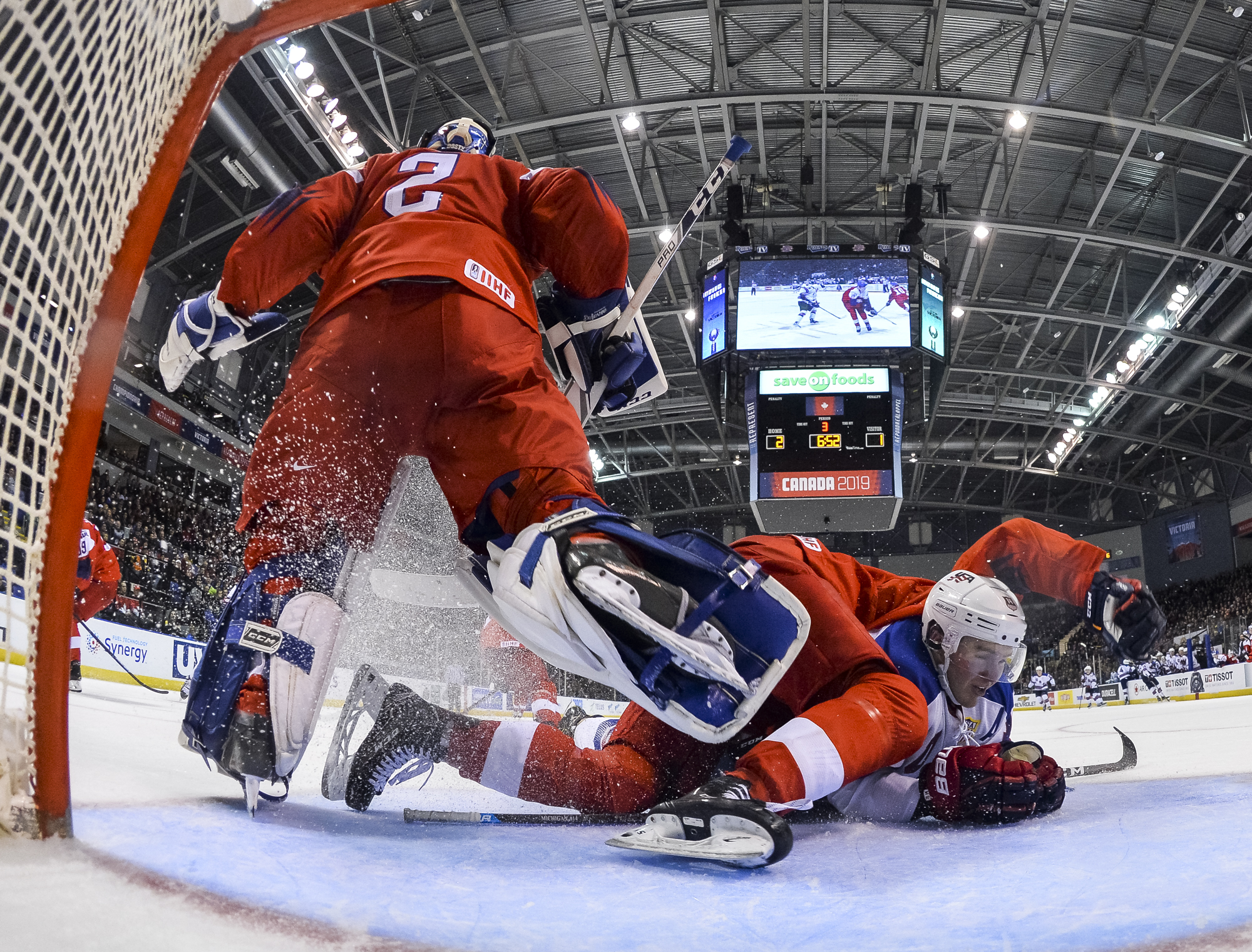 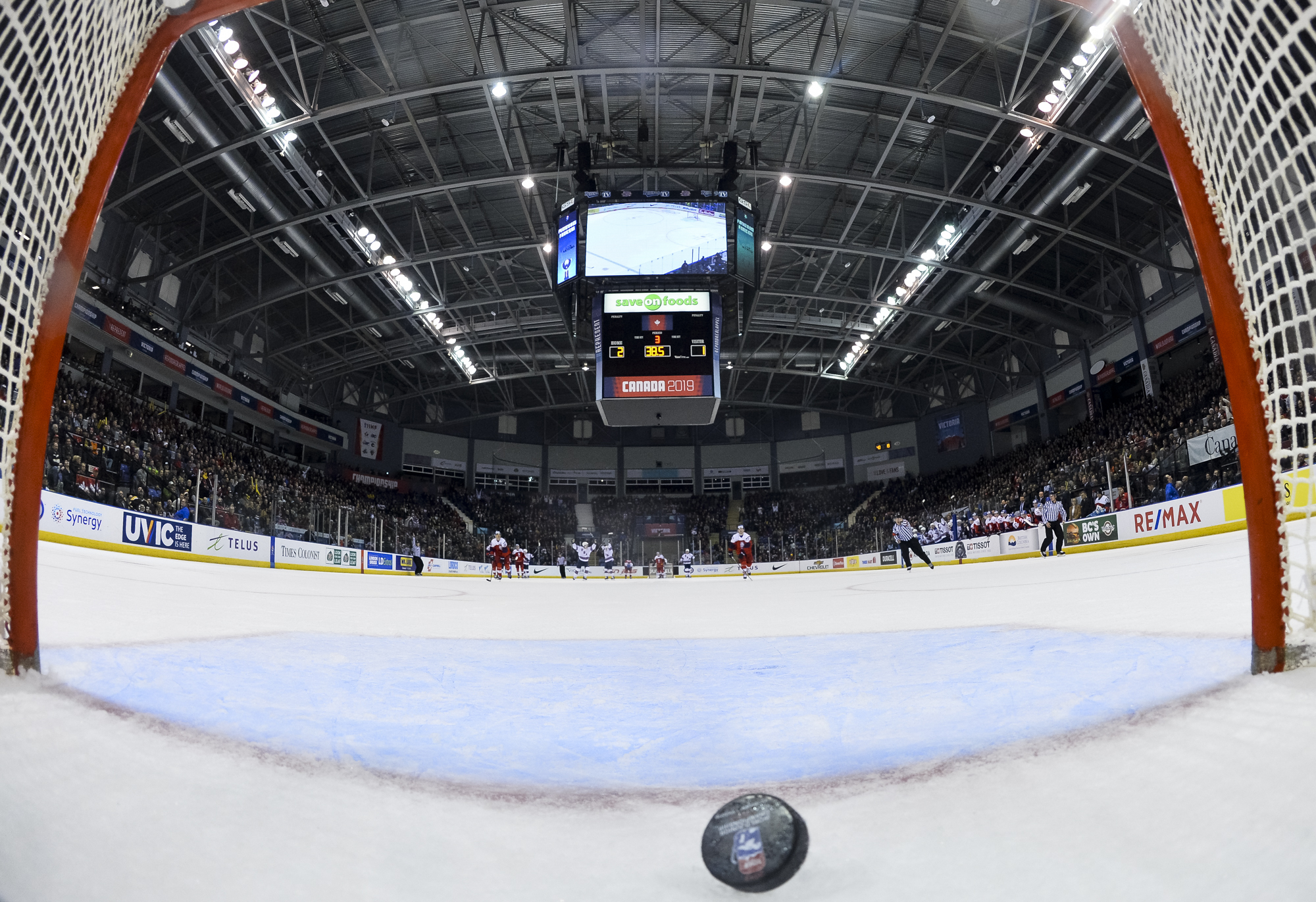