Belarus gets second win
Belarusian goaltender Dmitri Milchakov and defenceman Nick Bailen defend the net against Hungary, which outshot its opponent 30-29.
photo: Marat Akimzhanov
share
The two teams relegated from the top division are on par on top of the standings after their first two games following Belarus’ 3-1 victory over Hungary on Tuesday night at the 2019 IIHF Ice Hockey World Championship Division I Group A.

Both Belarus and Korea are undefeated with two wins. Host Kazakhstan, also undefeated, will play its second game tomorrow and could join the group of teams with six points with a regulation-time win.

“It was a very positive win. You never get tired from winning,” said Nikita Feoktistov, who scored his third goal of the tournament today and is happy about the game despite conceding a late goal.

“We lost the concentration and maybe that’s why we couldn’t win 3-0. Now we look at the next game. We want to win, only win.”

Hungary had the better start while Belarus appeared cautious at first but then went up first on the scoreboard at 4:32. The team in red had a two-on-two attack with Nikita Feoktistov and Artyom Volkov. Feoktistov sent off a great shot Adam Vay blocked high with his glove but Feoktistov managed to score on his own rebound.

“We started the game pretty well but didn’t convert in the beginning. Then they got the goal, it took our momentum away for five, ten minutes. They made it tough,” said Hungarian defenceman Bence Stipsicz. “I felt we progressed a lot but it’s a matter of scoring goals. We have to focus on the next game, win the next game and go from there.”

The Hungarians had their possibilities to tie it up later in the period including a man advantage but couldn’t get the puck past Belarusian goaltender Dmitri Milchakov.
World Men
Belarus vs. Hungary - 2019 IIHF Ice Hockey World Championship Division I Group A
Belarus also gets its second win, 3-1 against Hungary, to join Korea at the top of the standings.
BLR HUN 30 APR 2019
The middle frame involved more offensive action. After two minutes Istvan Sofron had a good opportunity in front of Milchakov but Sergei Malyavko hooked him. The Hungarians didn’t manage to capitalize on that power play either.

Belarus also created more scoring chances and outshot Hungary 16-11 in the period while Hungary had more shots than their opponents in the other periods.

“Hungary started well, we were not so active in the beginning and lacked in speed. After the goal we got better, played our game and more offensively,” said Belarus head coach Andrei Sidorenko.

The next goal midway during the second period went again into the Hungarian net. Yevgeni Kovyrshin and Artyom Demkov created havoc in front of Vay with their scoring chances from close range. The Hungarians didn’t manage to get the puck under control and Geoff Platt sent it back toward the blue line where Yevgeni Lisovets’ distance shot went in to make it 2-0 for Belarus.

Two penalty calls early in the third period gave Belarus the opportunity to get an even higher lead. After some passes during the 5-on-3 in front of the Hungarian net it was Platt, who found the back of the net from the right face-off circle with the third Belarusian goal.

Hungary got its consolation goal late during a power play. Janos Vas found Vilmos Gallo in front of the net who after some nice back-skating spoiled Milchakov’s shutout. The Hungarians played the last two minutes without goaltender and six skaters but didn’t manage to score another goal.

Despite the loss Hungarian head coach Gergely Majoross was more positive than the day before: “We took big steps forward from yesterday’s game. We started the game really well, dominated the game and the opponent scored an odd goal. We stuck to the plan, they did a lot of good things. Unfortunately we didn’t have enough difference makers to put the puck in the net.”

Both teams will have tomorrow off as the Kazakhstan-Lithuania game at 16:30 local time will conclude the second round of games.
Belarus vs. Hungary - 2019 IIHF Ice Hockey World Championship Division I Group A 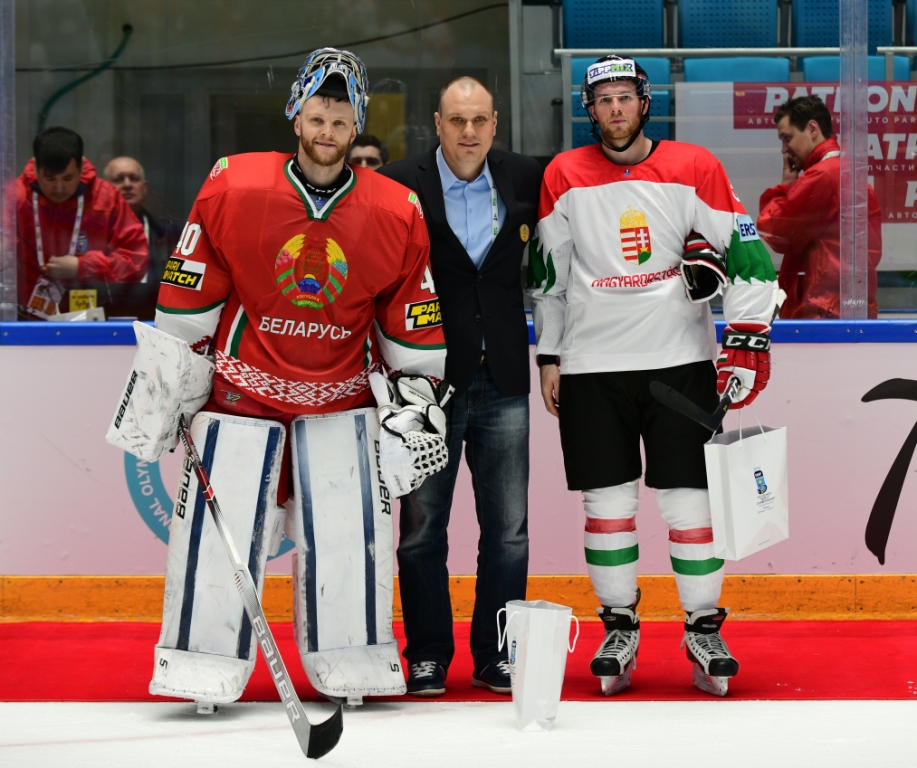 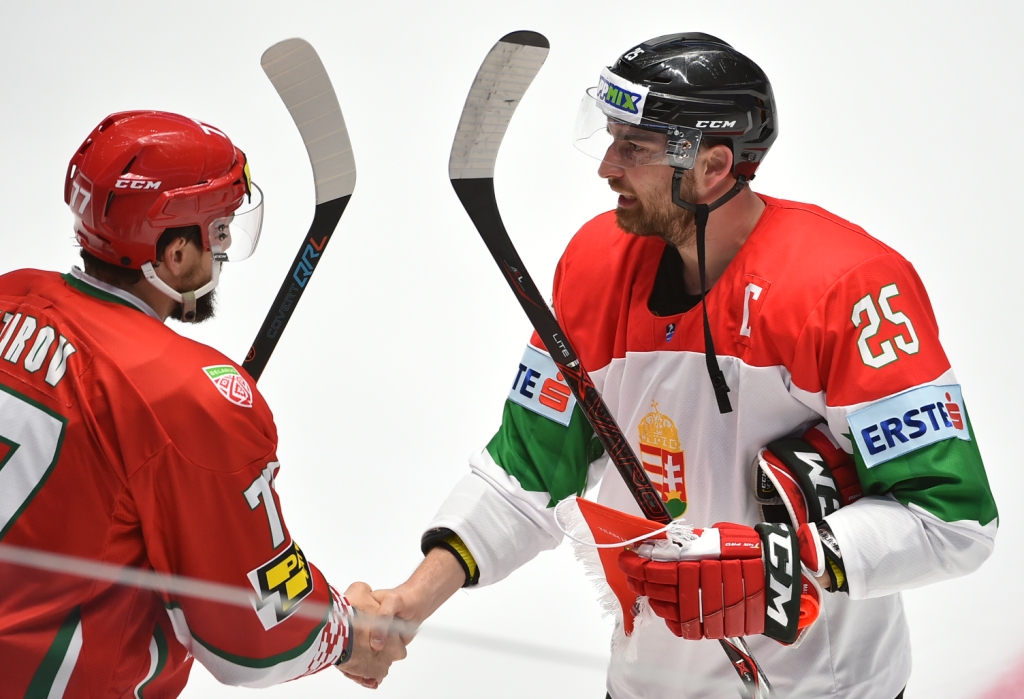 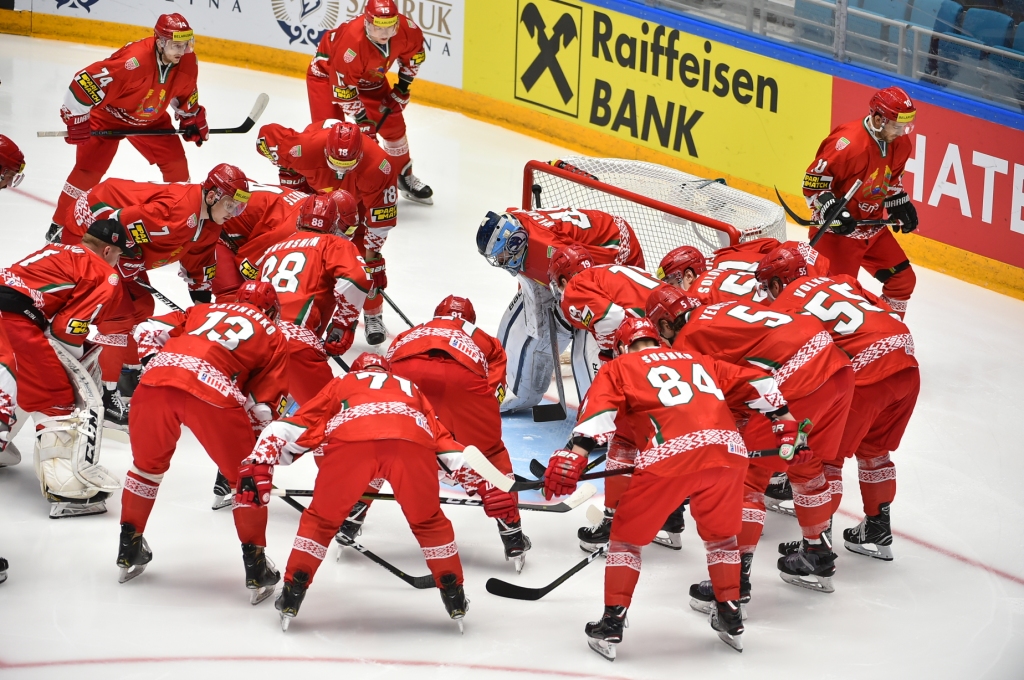 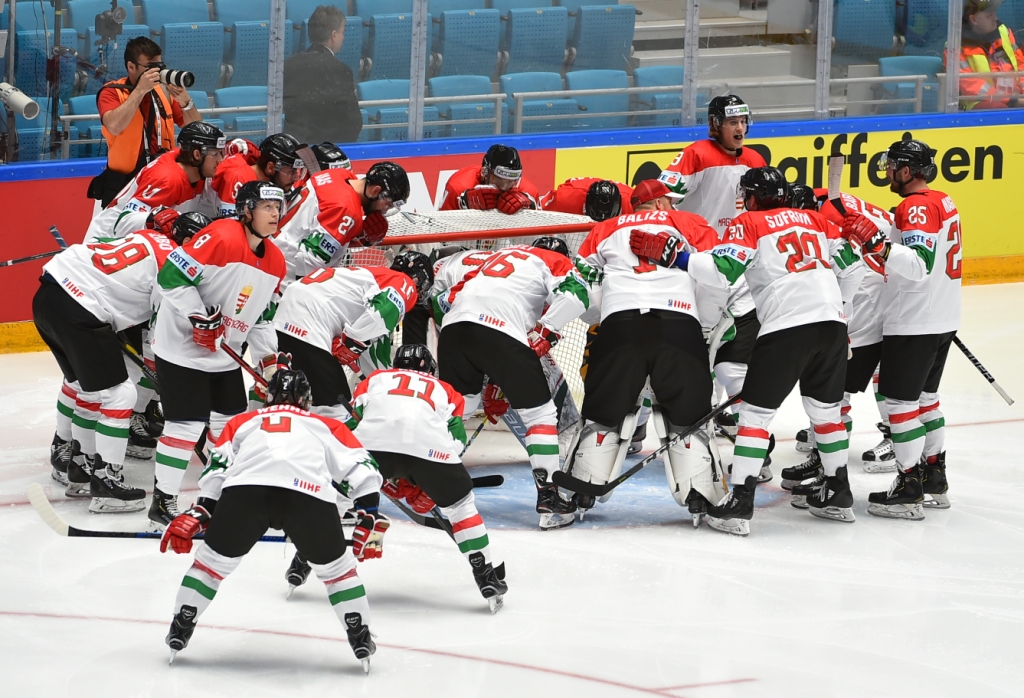 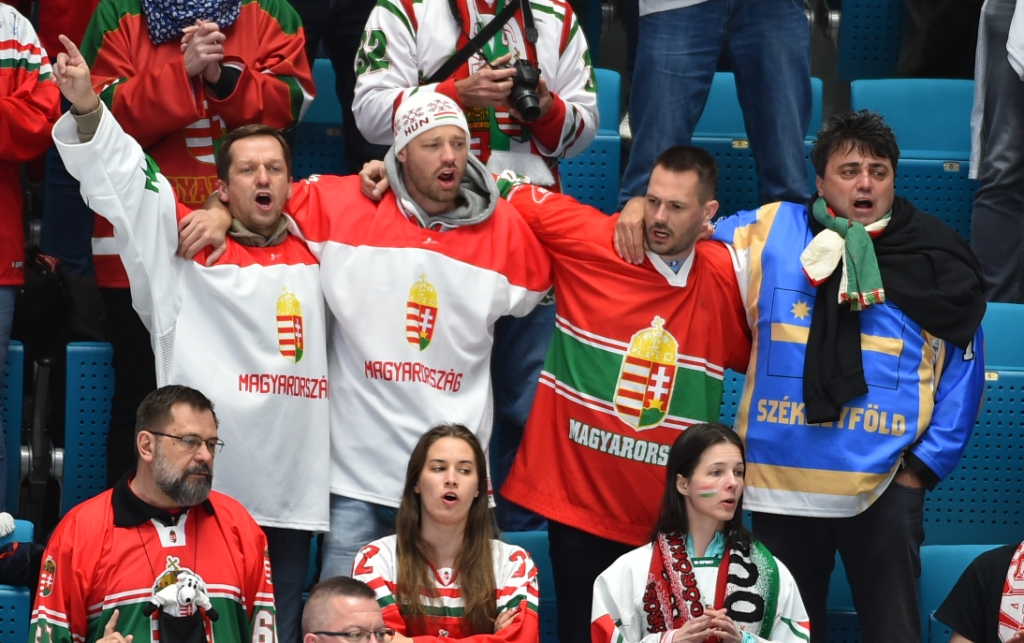 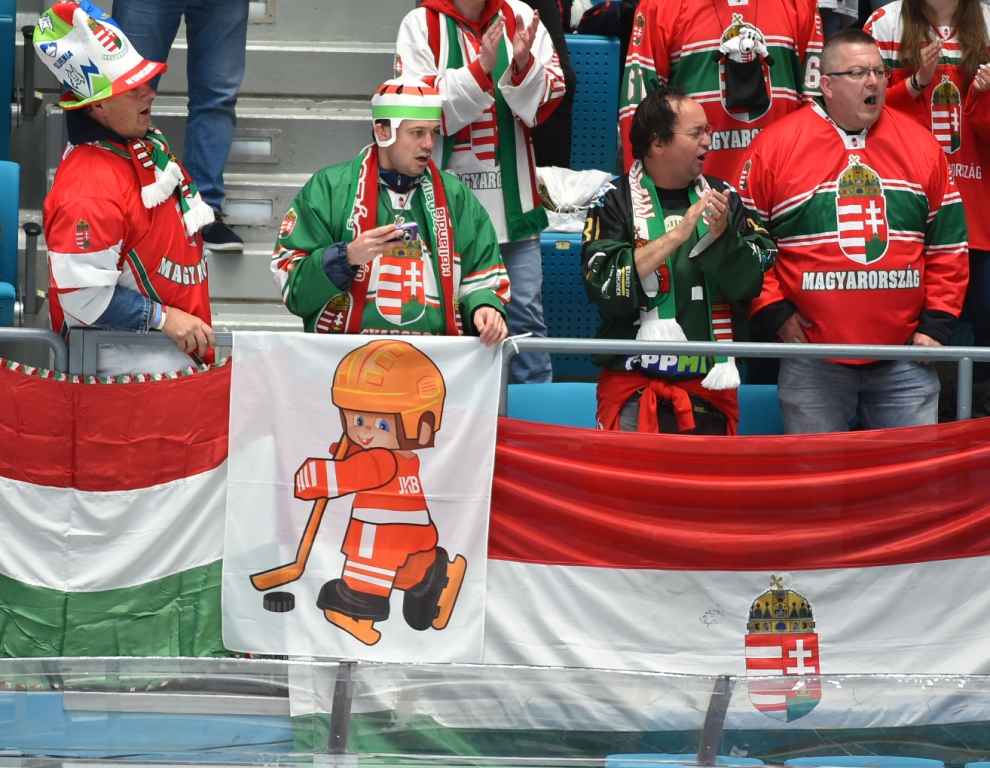 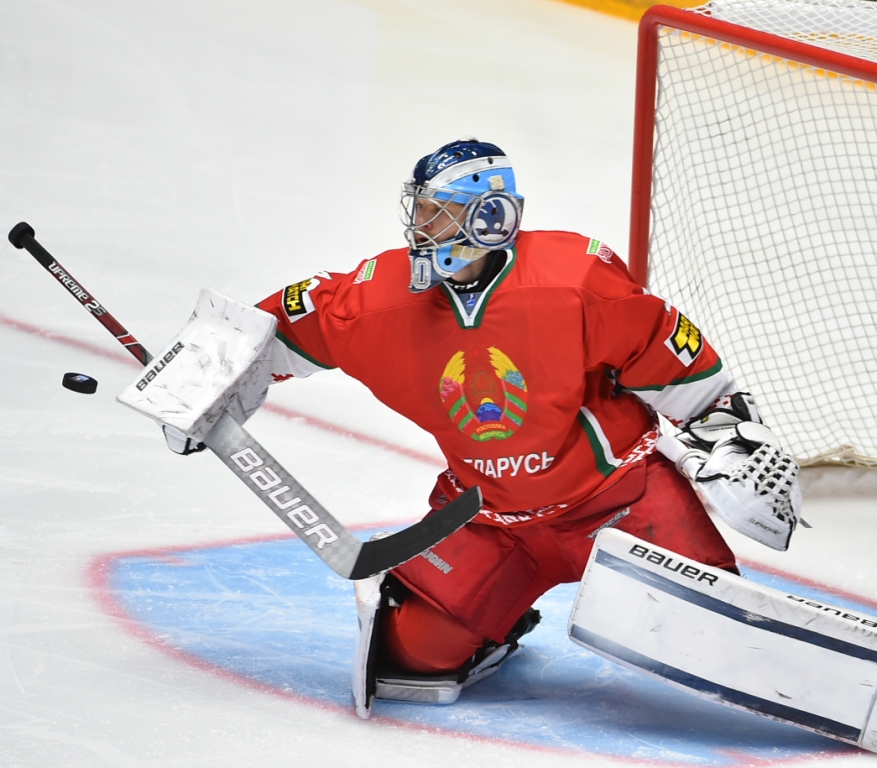 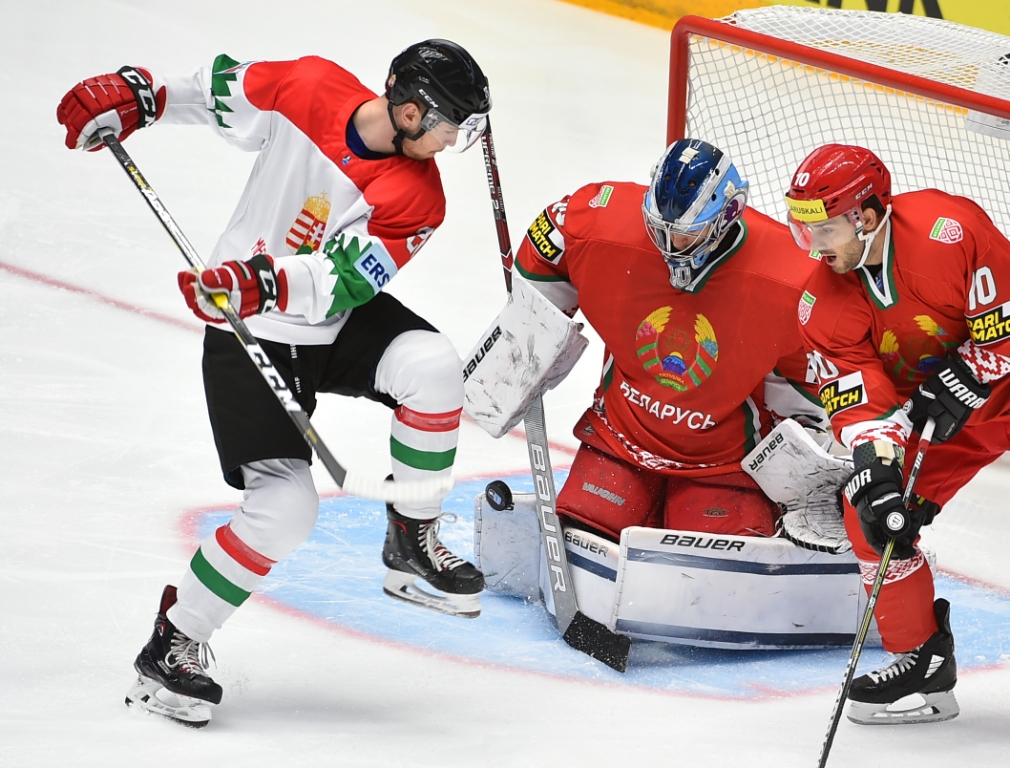 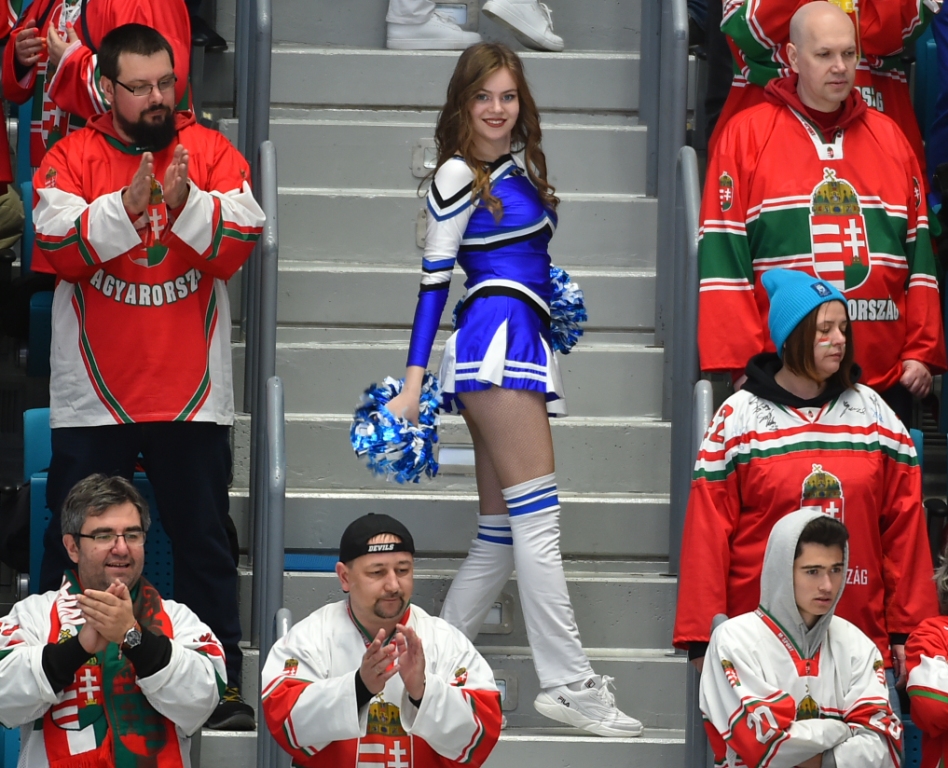 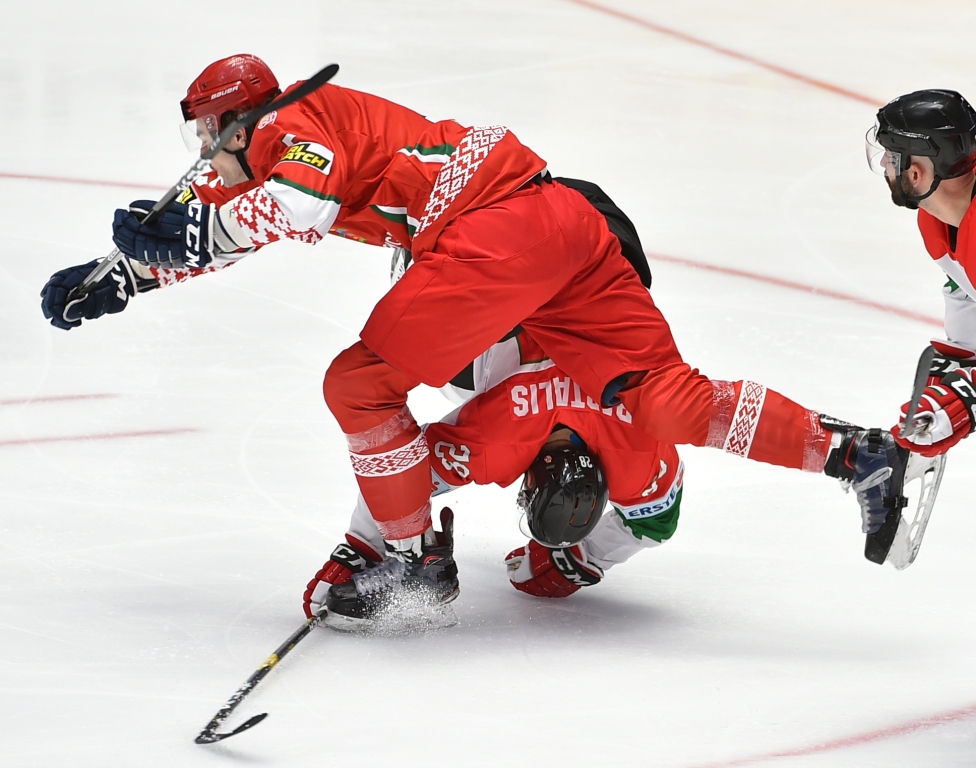 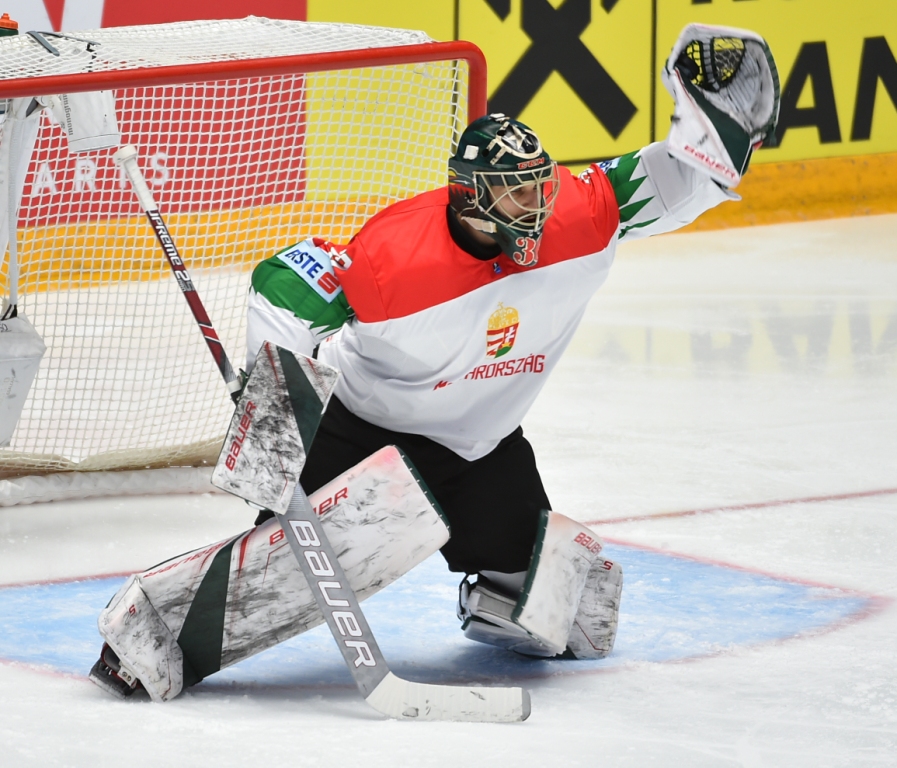 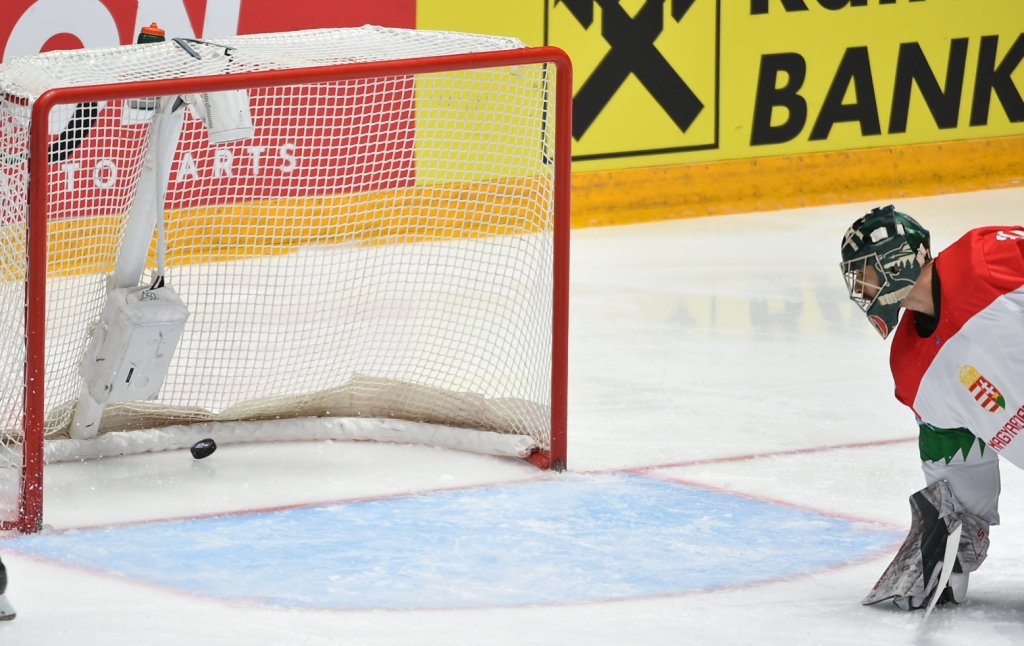 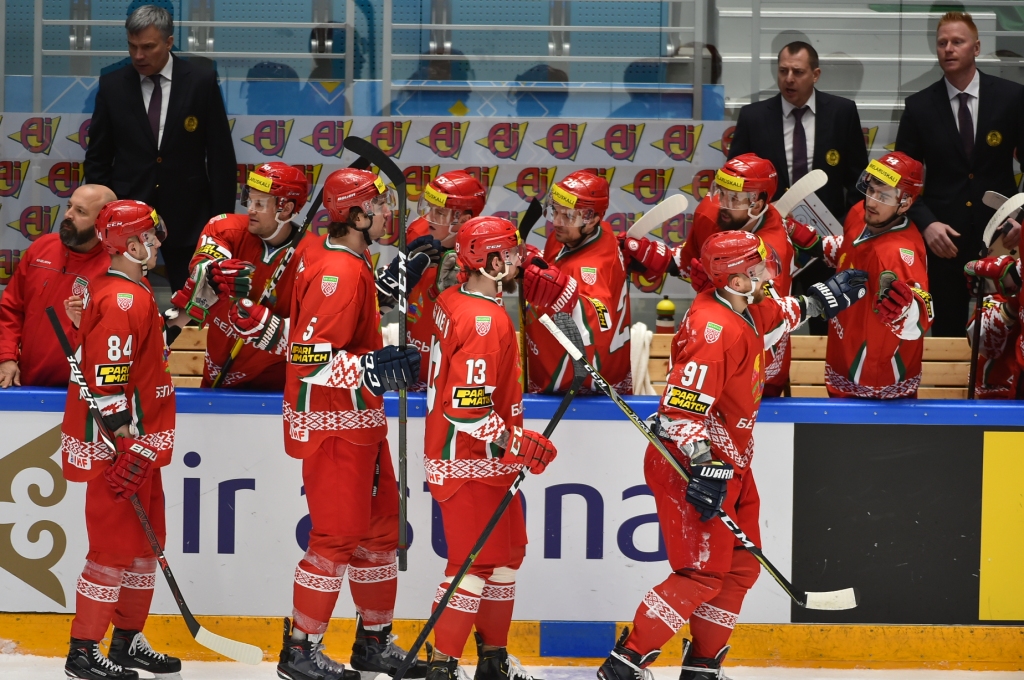 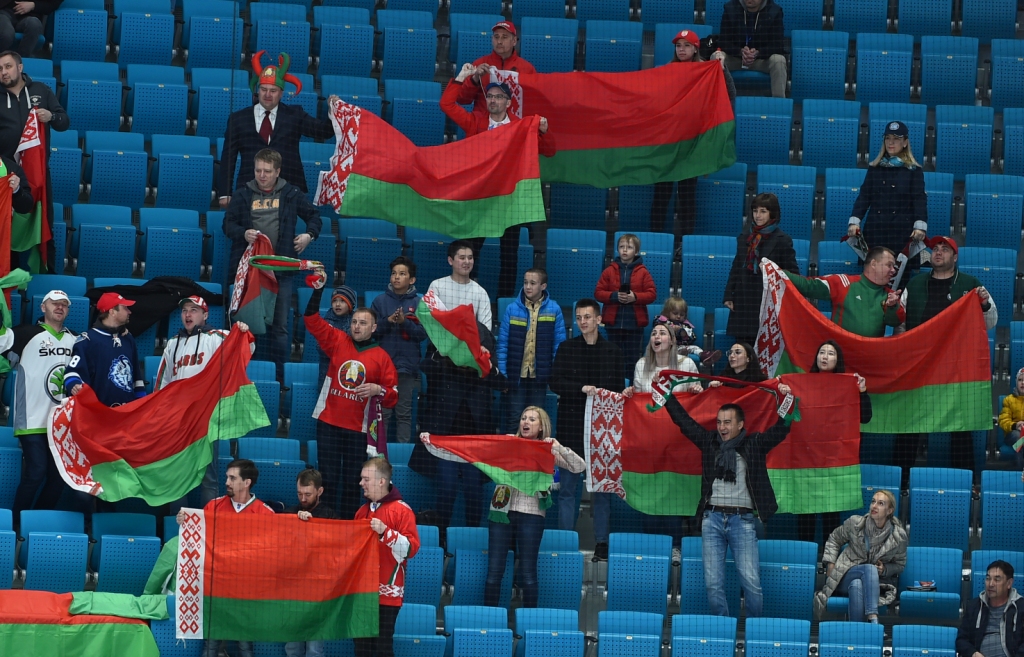 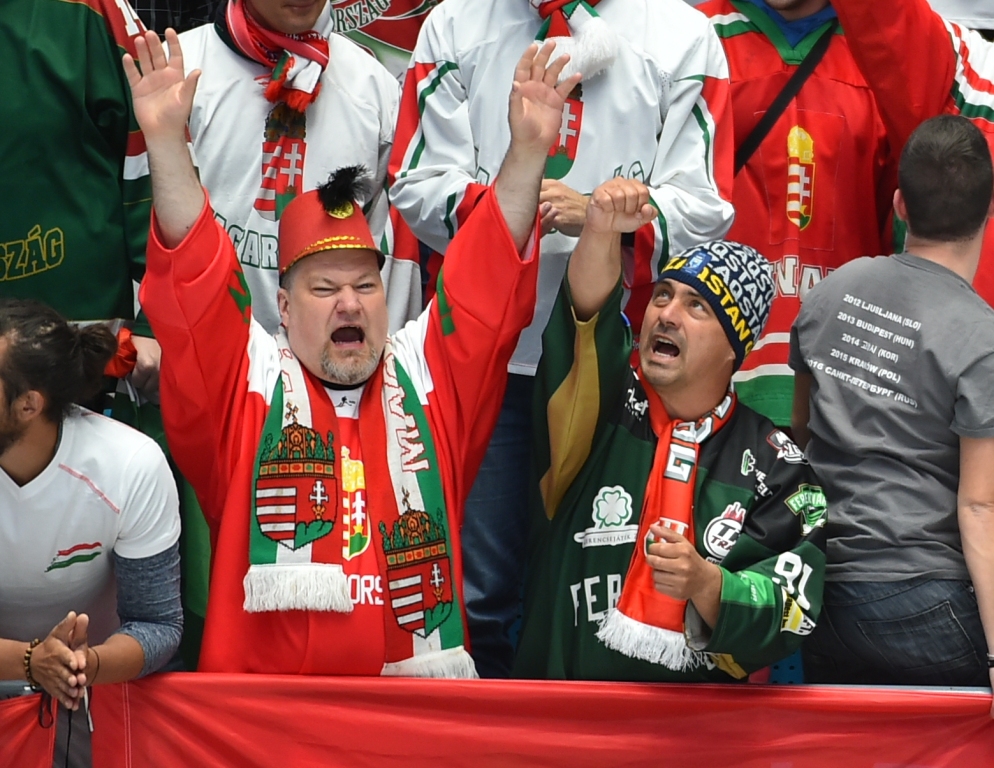 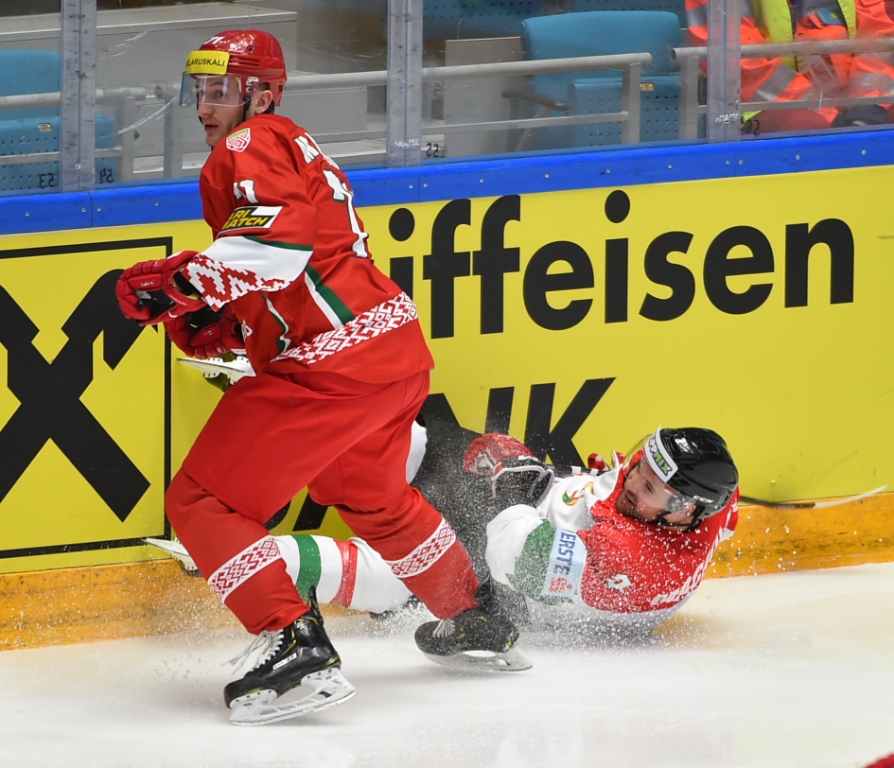 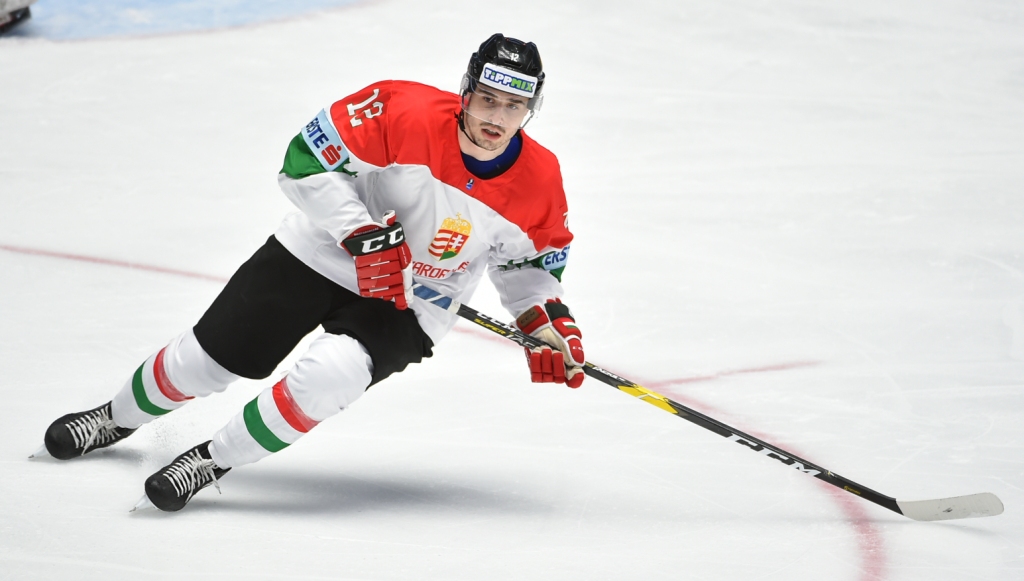 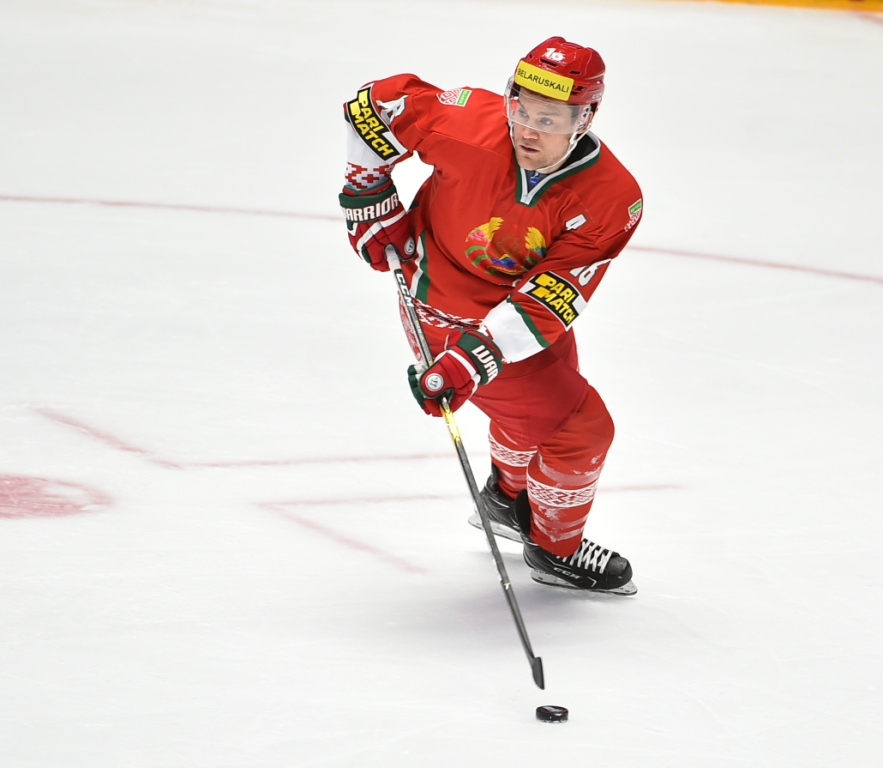 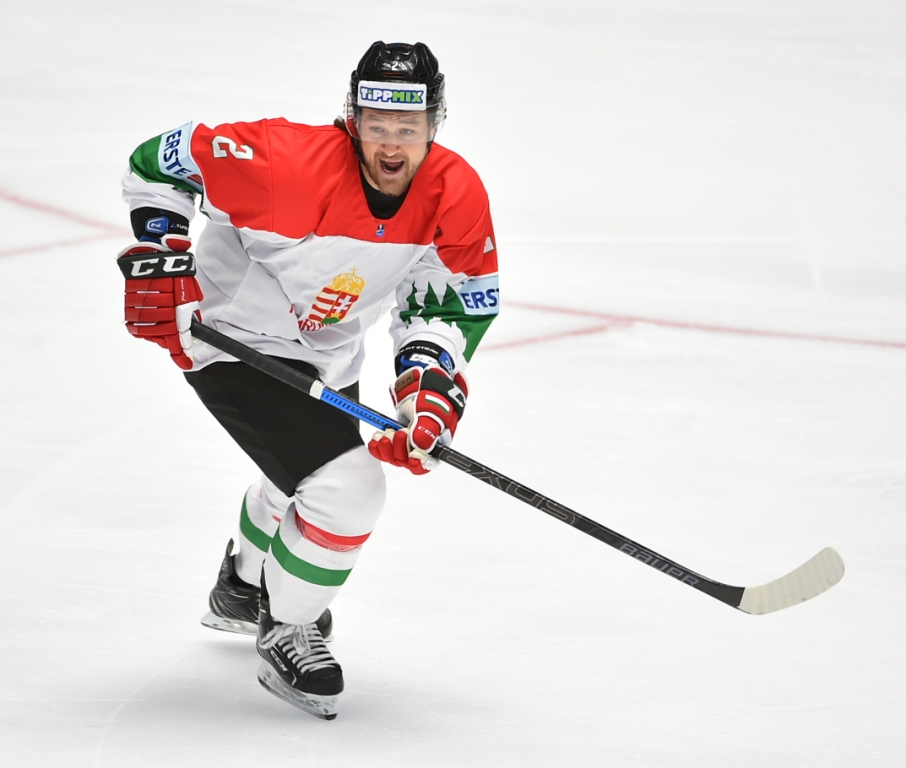 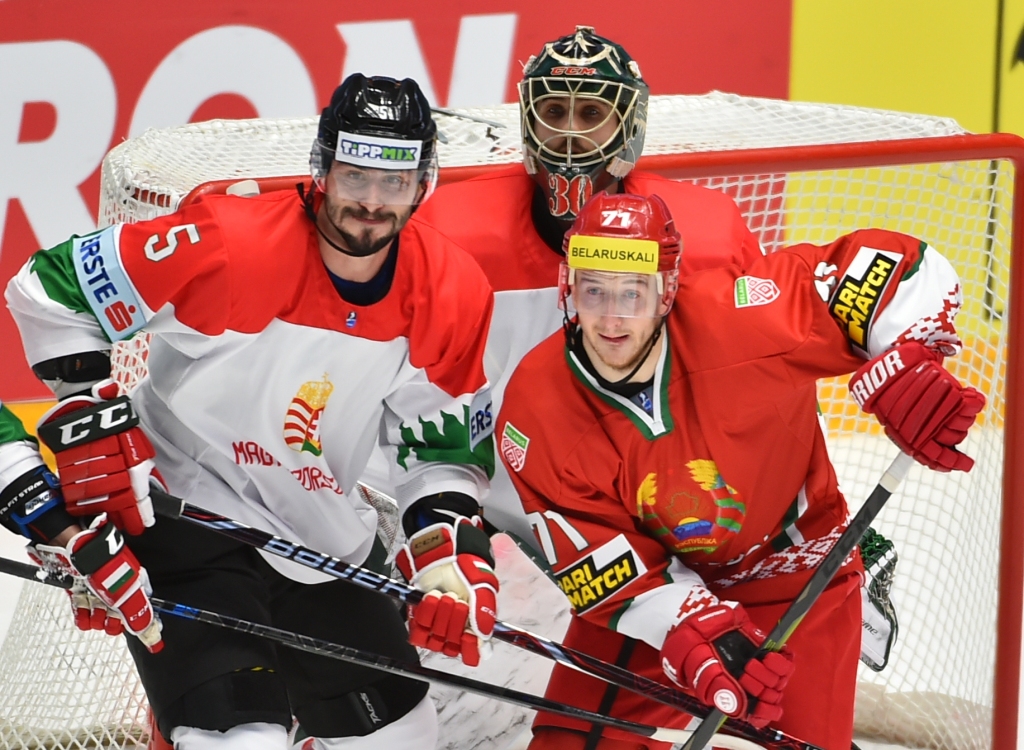 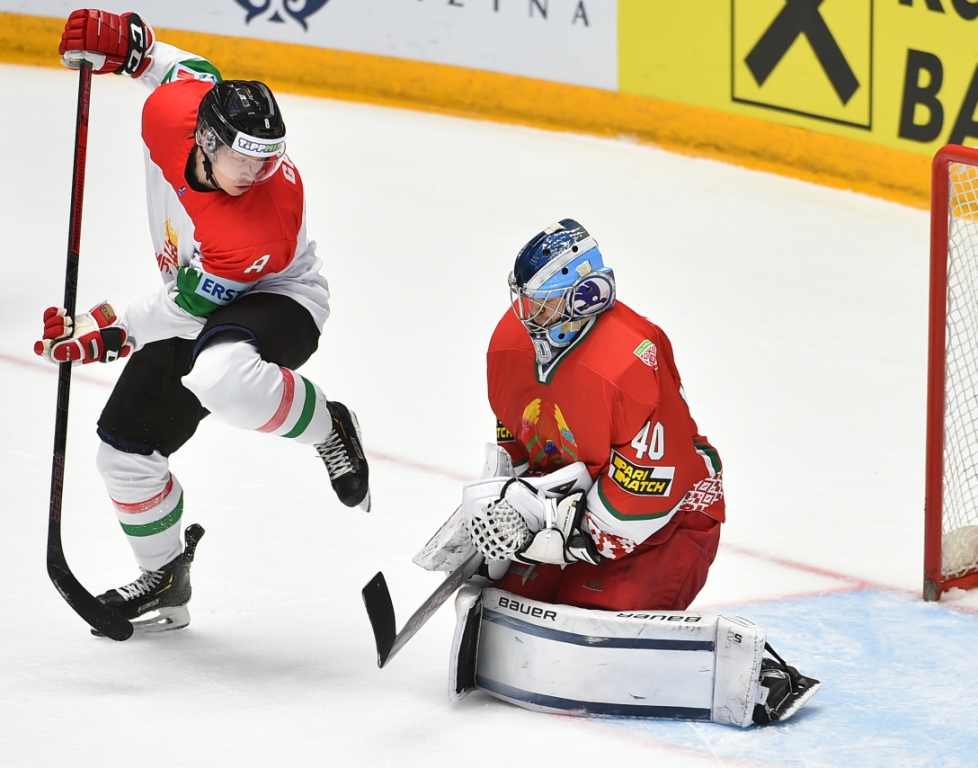 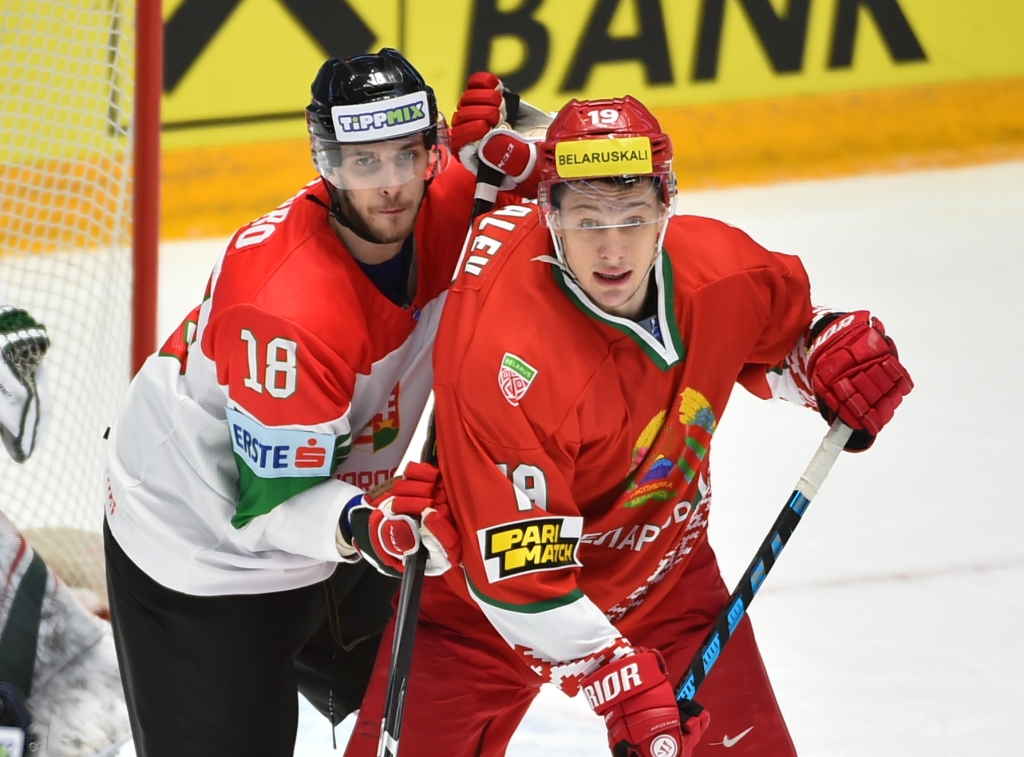 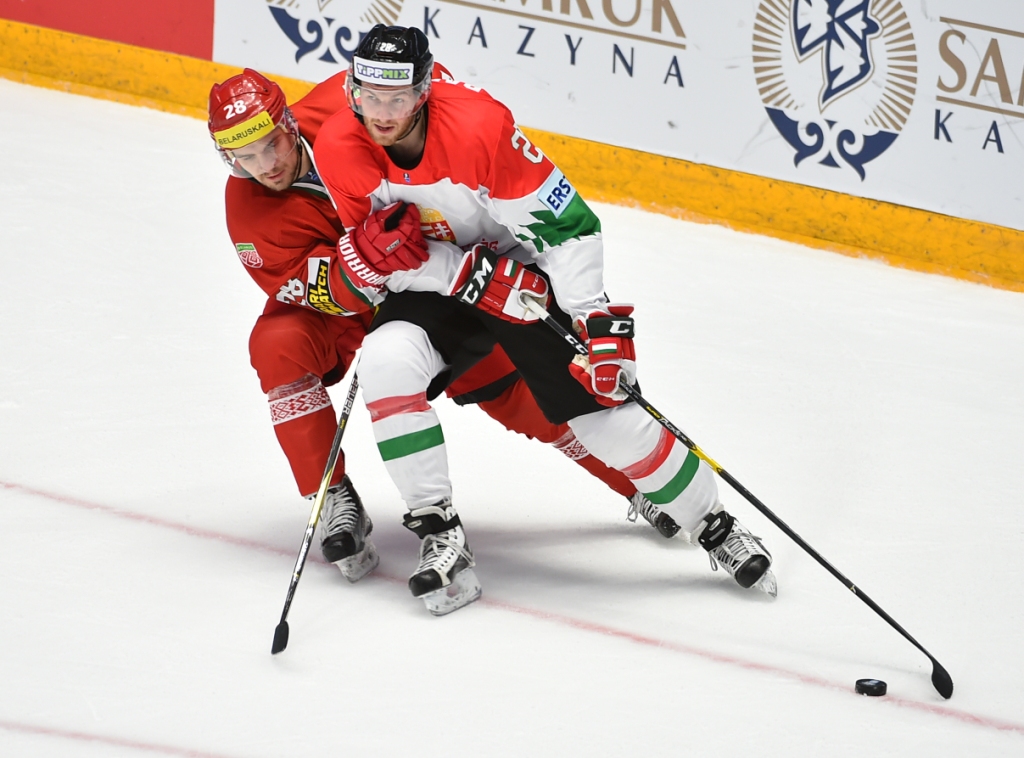