Lithuania wins, Kazakhstan promoted
Tadas Kumeliauskas scores Lithuania’s first goal against Korea.
photo: Marat Akimzhanov
share
Lithuania got its first win of the tournament by 2019 IIHF Ice Hockey World Championship Division I Group A and makes not only themselves but also Kazakhstan celebrate.

Due to Korea’s loss the Kazakhs will have a top-two finish and promotion to the 2020 IIHF Ice Hockey World Championship guaranteed. Belarus, the other team with nine points from the first three games, needs one point from its two remaining games against Kazakhstan and Korea to earn promotion.

“We were battling all the games at this tournament. We knew we cannot lose if we want to stay in this divisions and said we will battle so hard in these last two games. We all believed that we can do it, worked hard, support each other and reached it,” said Tadas Kumeliauskas, who scored the first goal and had another one waved off as it went in after the buzzer.

“We still have a big game, try to rest, get some energy and fight tomorrow.”

Although Korea played Lithuania to keep chances for promotion alive while Lithuania played for survival in this group, that scenario wasn’t very visible when the game started as Korea didn’t find its way into the game and Lithuania had a shot advantage throughout the opening frame.

During their first power play the Lithuanians opened the scoring at 13:16. KHL defenceman Nerijus Alisauskas sent of a long shot and Kumeliauskas capitalized on the rebound in front of the net. The puck went in via the skate of Korean defenceman Don Ku Lee, who tried to defend in the crease.
World Men
Korea vs. Lithuania - 2019 IIHF Ice Hockey World Championship Division I Group A
Lithuania got its first win at the Division I Group A, 2-1 against Korea. That changes the scenarios up and down and means Kazakhstan will be promoted!
KOR LTU 04 MAY 2019
The Koreans knew they had to change up a gear and did. At 4:05 of the second period they netted the puck but at no avail. After a shot from Sangwook Kim during a power play Jin Hui Ahn deflected the puck with his stick but the goal was waved off due to goaltender interference by Kisung Kim.

For Korean head coach Jim Paek this was the turning point.

“Hockey is a game of momentum. And when our goal was disallowed it changed the momentum of the game. We had the momentum and it was taken away. Those type of things we couldn’t sustain,” Paek said.

“They played a hard game with relentless players who never quit. We will have a tough game tomorrow against Belarus and we better play well. We have to prepare ourselves and play hard tomorrow.”

The Koreans didn’t score anymore but the Lithuanians did. With the final buzzer Kumeliauskas shot after the puck had bounced back from the end boards, however, the puck went in after the buzzer and it stayed 1-0 for Lithuania.

The Lithuanians continued the third period on power play but couldn’t convert and at 2:26 it was the Koreans who celebrated again. Sangwook Kim capitalized on a rebound in front of the Lithuanian net to tie the game at one.

Seven minutes later the Lithuanians regained the lead through Paulius Gintautas, who scored after a centering pass from Arturas Katulis. During the remaining nine-and-a-half minutes the Koreans had again to battle for the equalizer but the Lithuanians successfully battled against the Koreans and the clock and got their first win at the tournament.

“We were desperate to win and we did that. We got some bounces and good saves from our goalie and the guys stepped up when it was needed. Our guys believe in each other and play hard for each other,” said Lithuania head coach Daniel Lacroix.

It was a win that not everybody in Nur-Sultan had expected and will spice up the battle against relegation while changing the promotion scenario’s in favour of host Kazakhstan and Belarus.
Korea vs. Lithuania - 2019 IIHF Ice Hockey World Championship Division I Group A 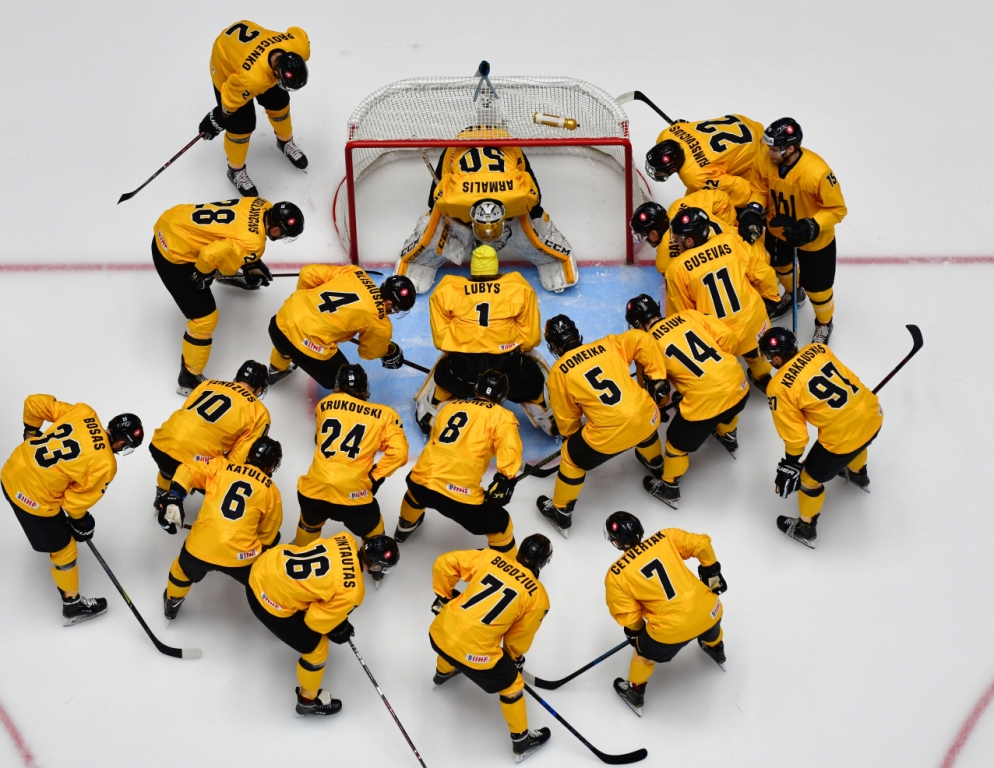 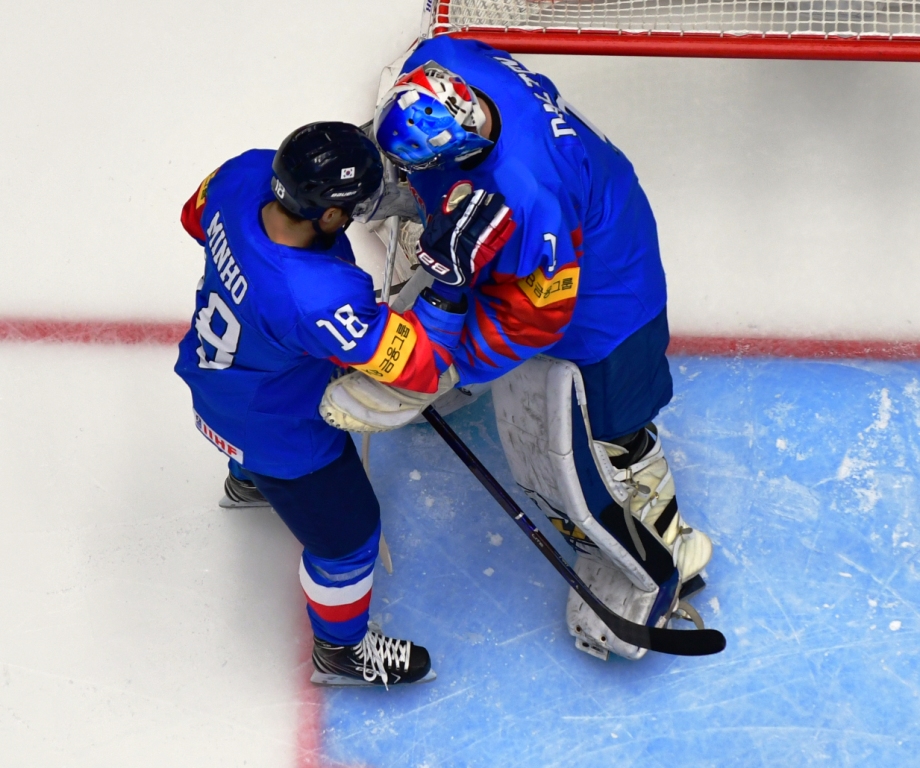 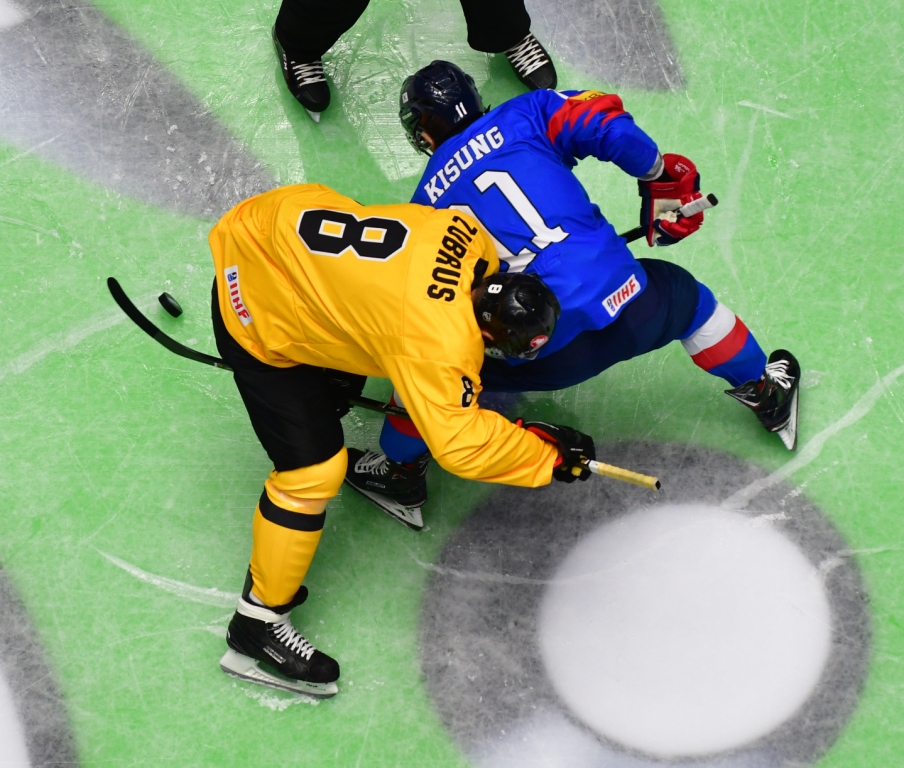 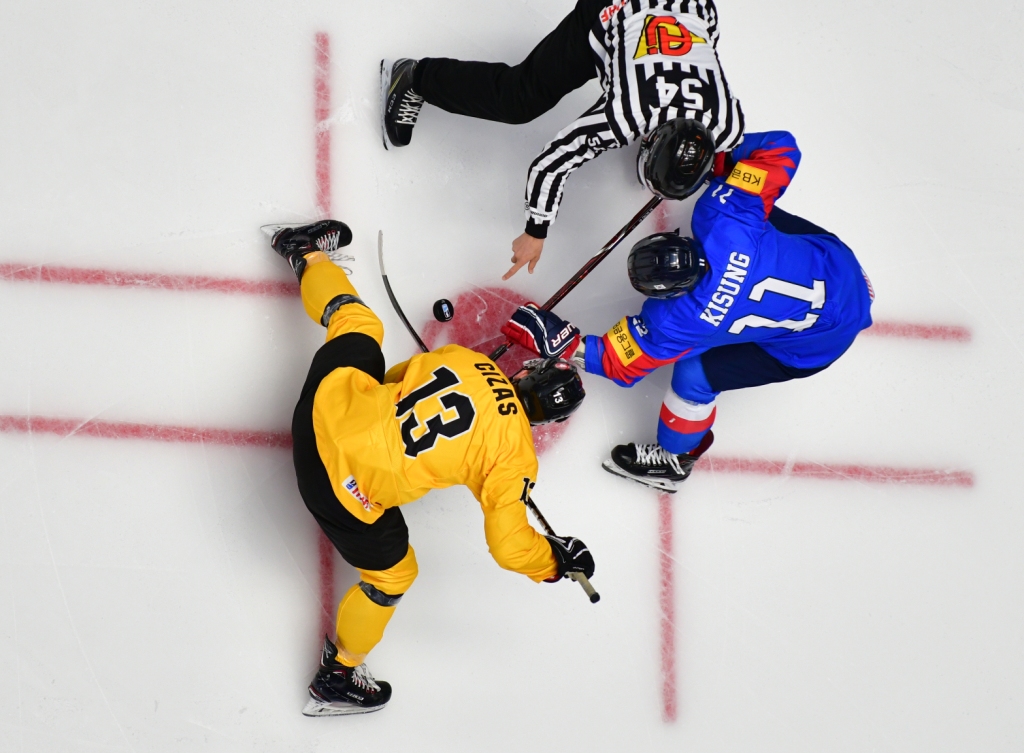 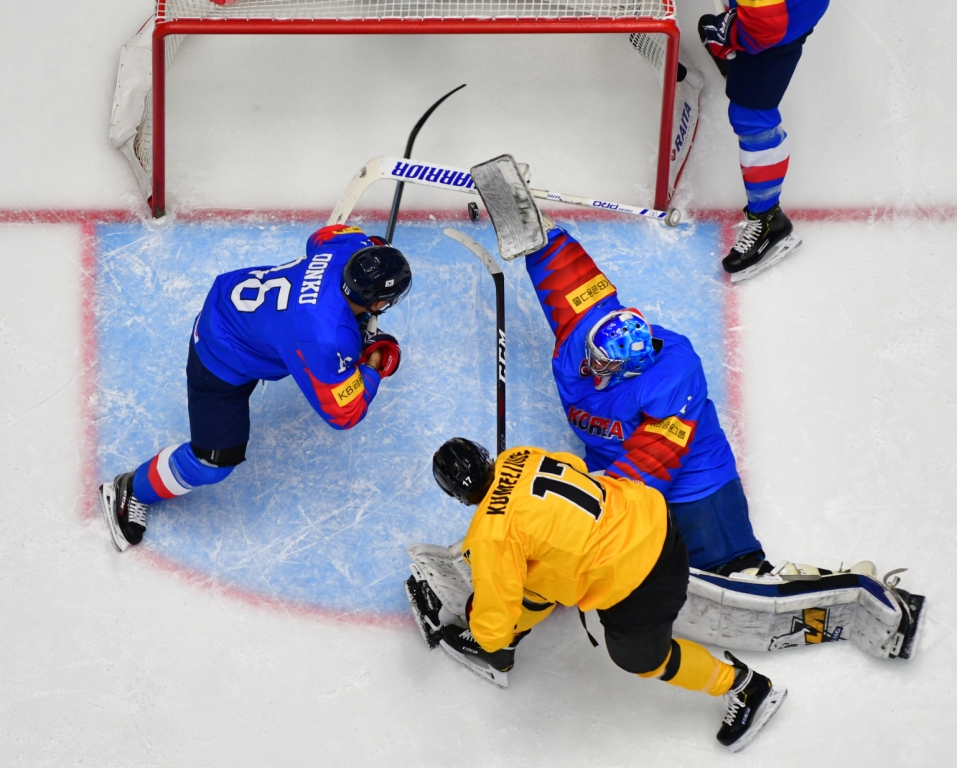 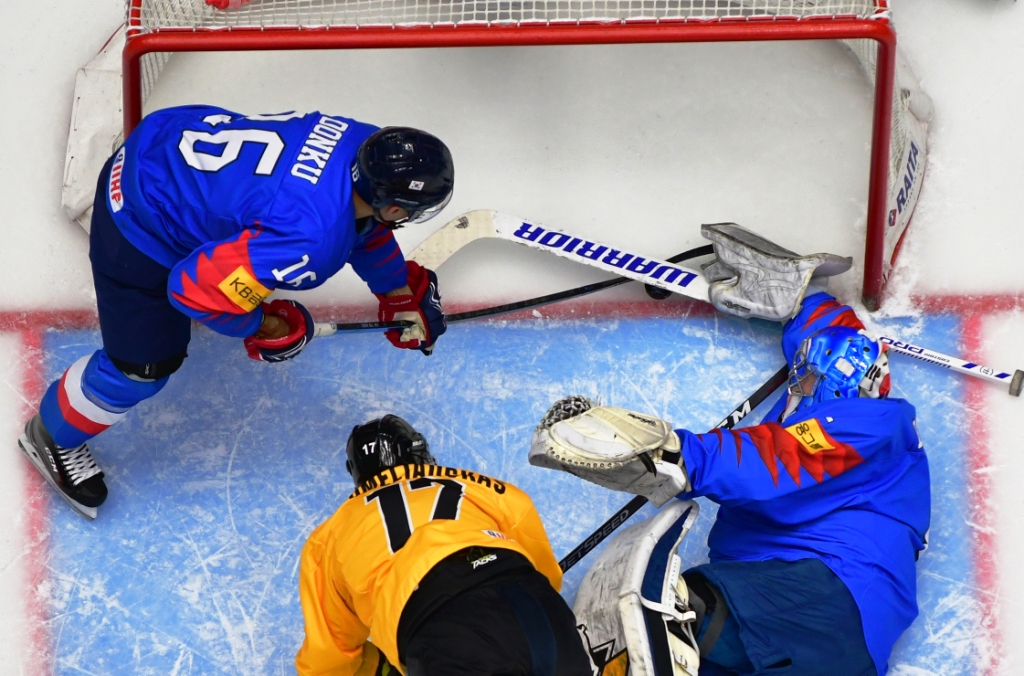 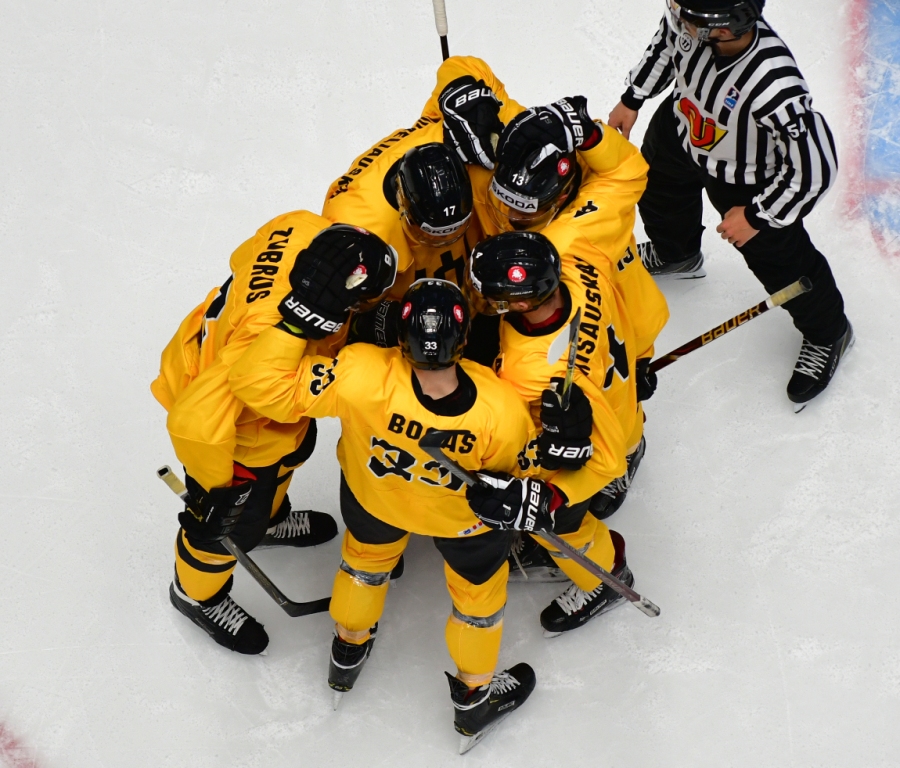 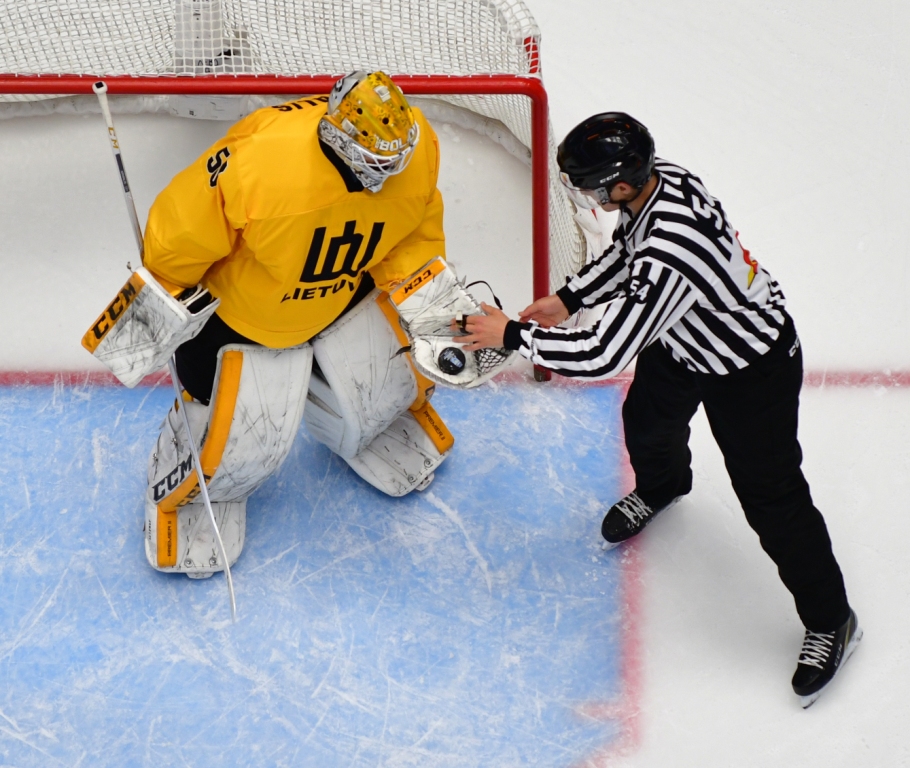 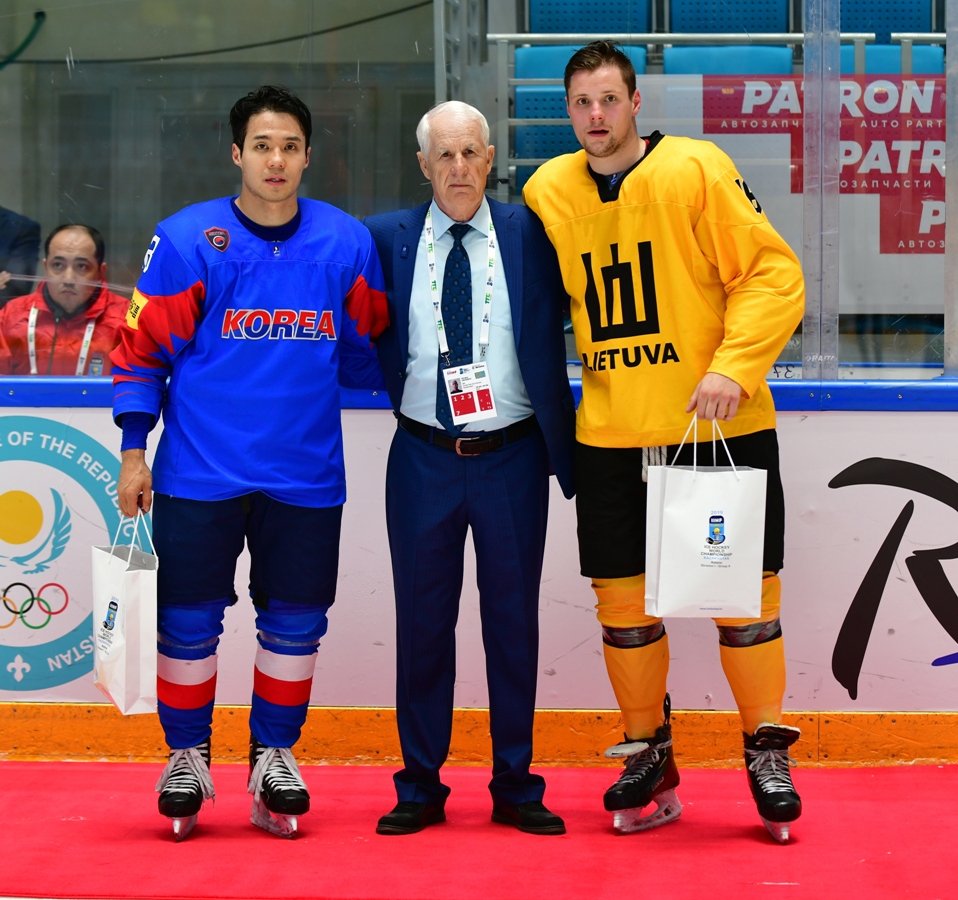 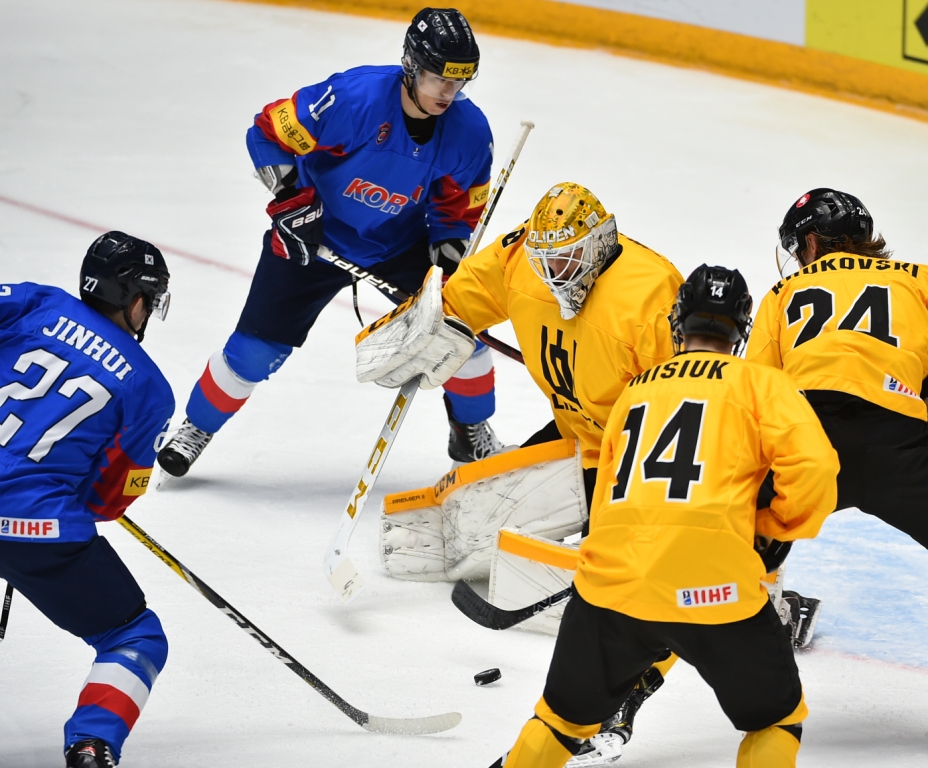 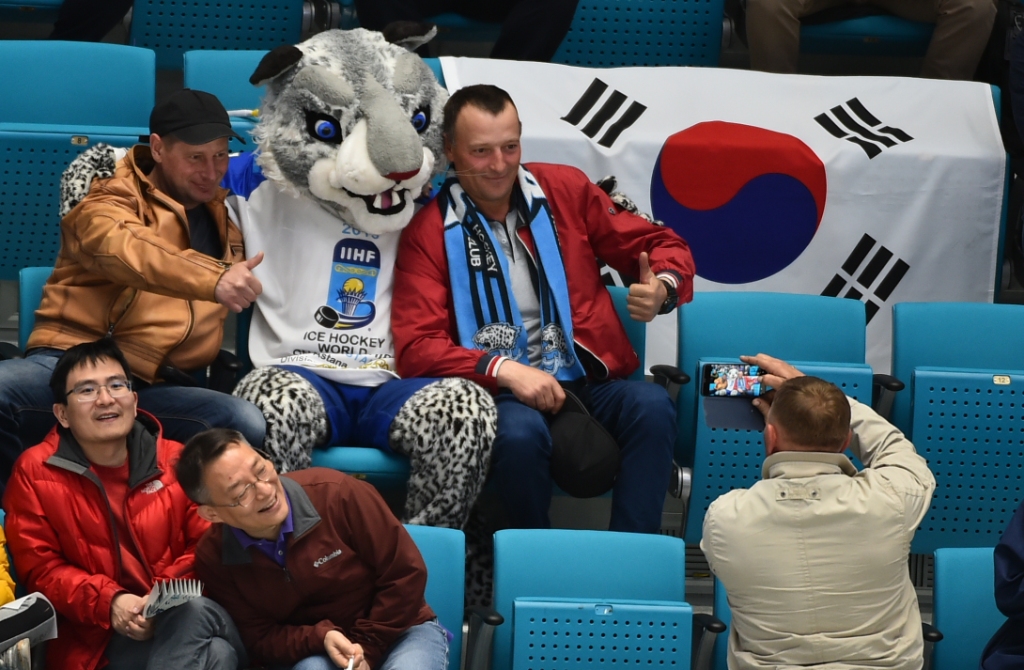 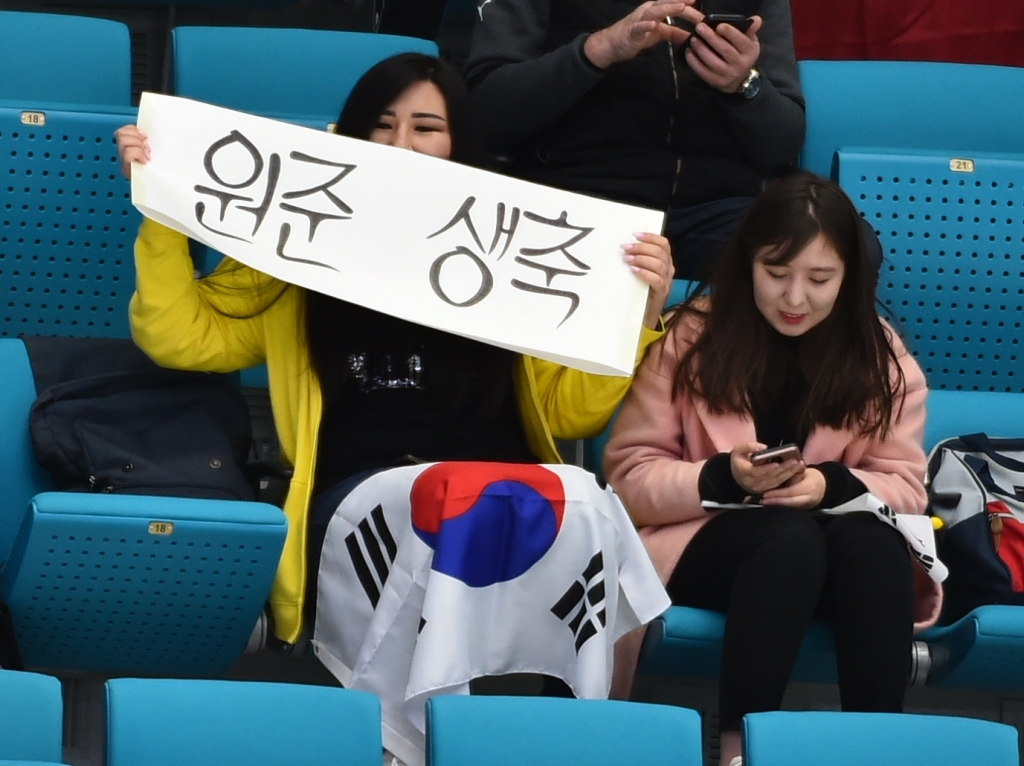 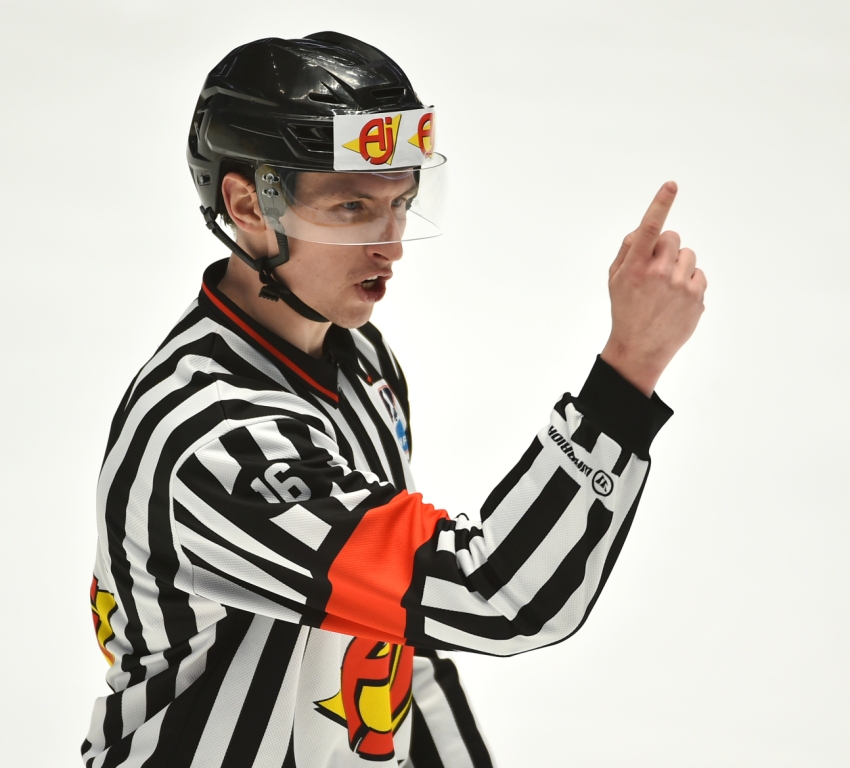 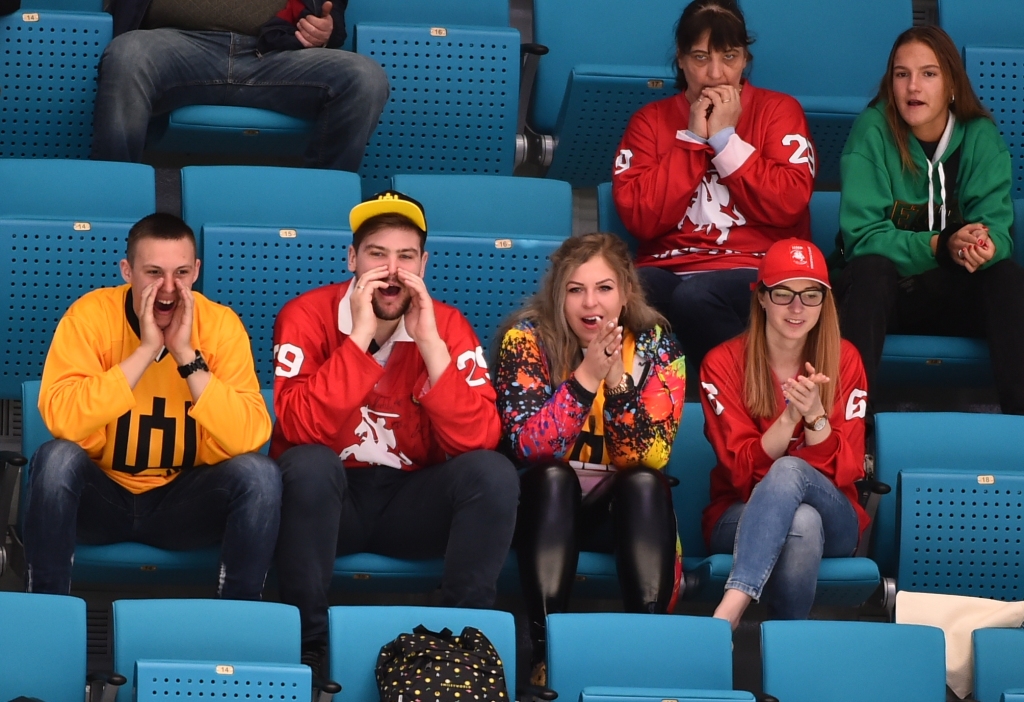 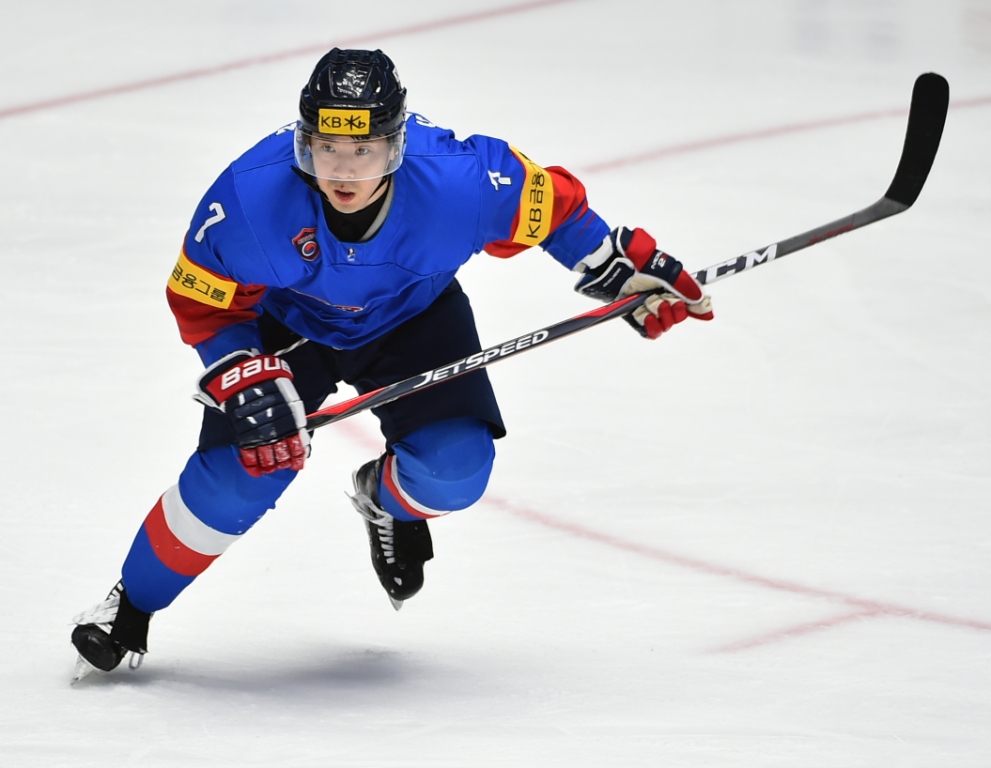 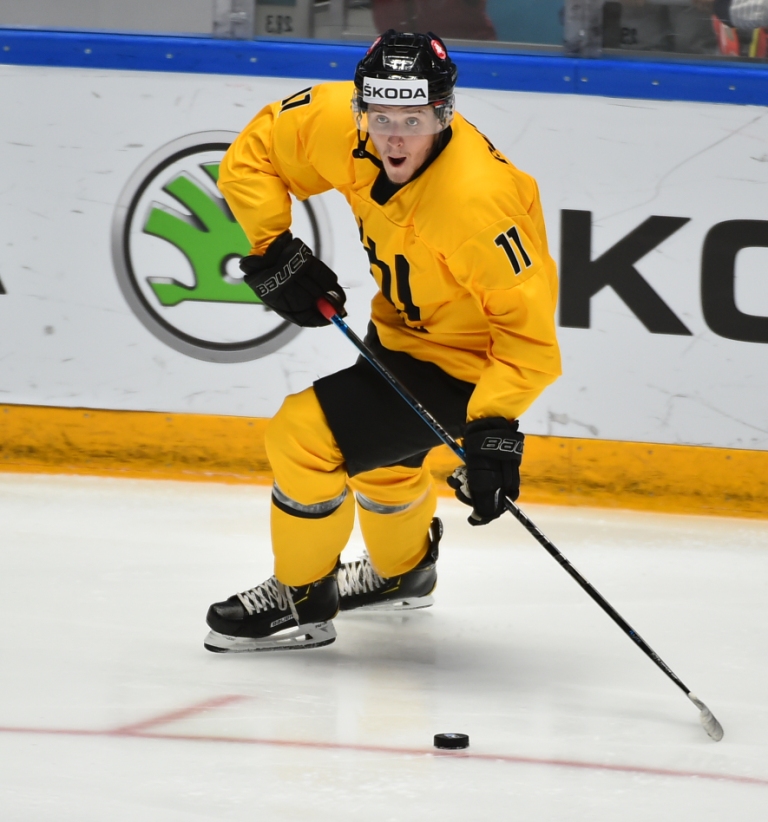 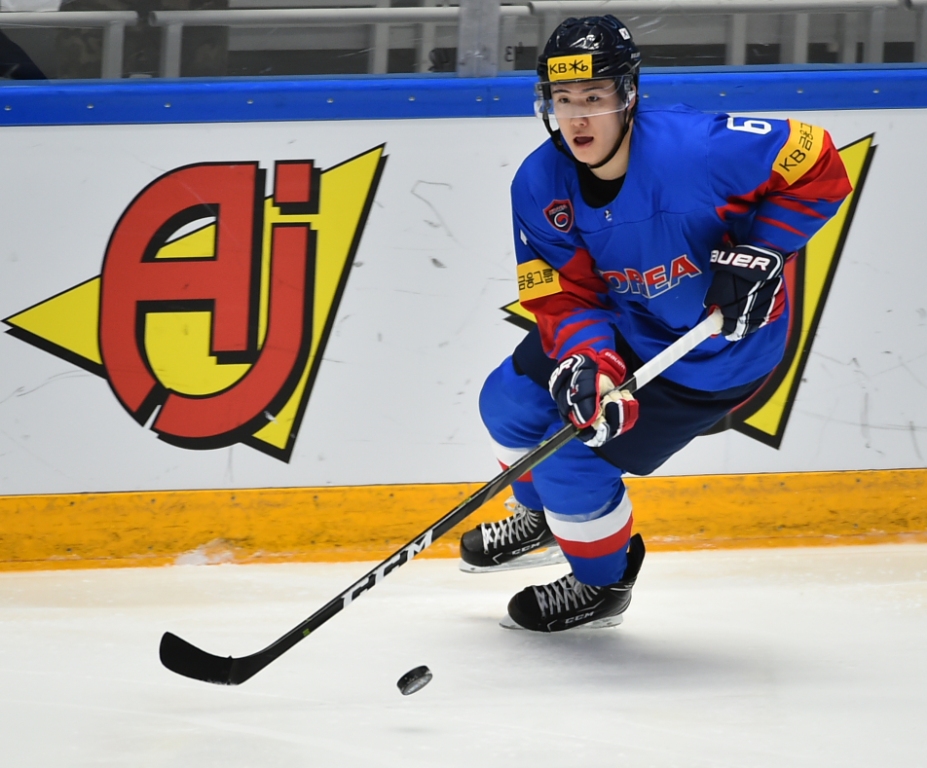 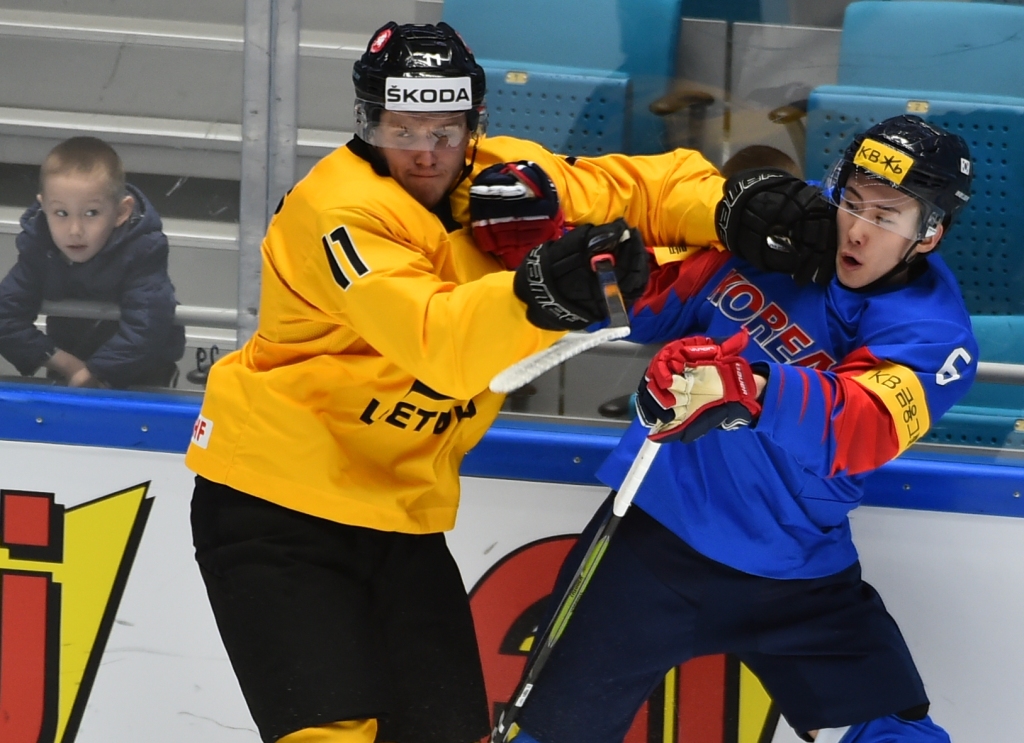 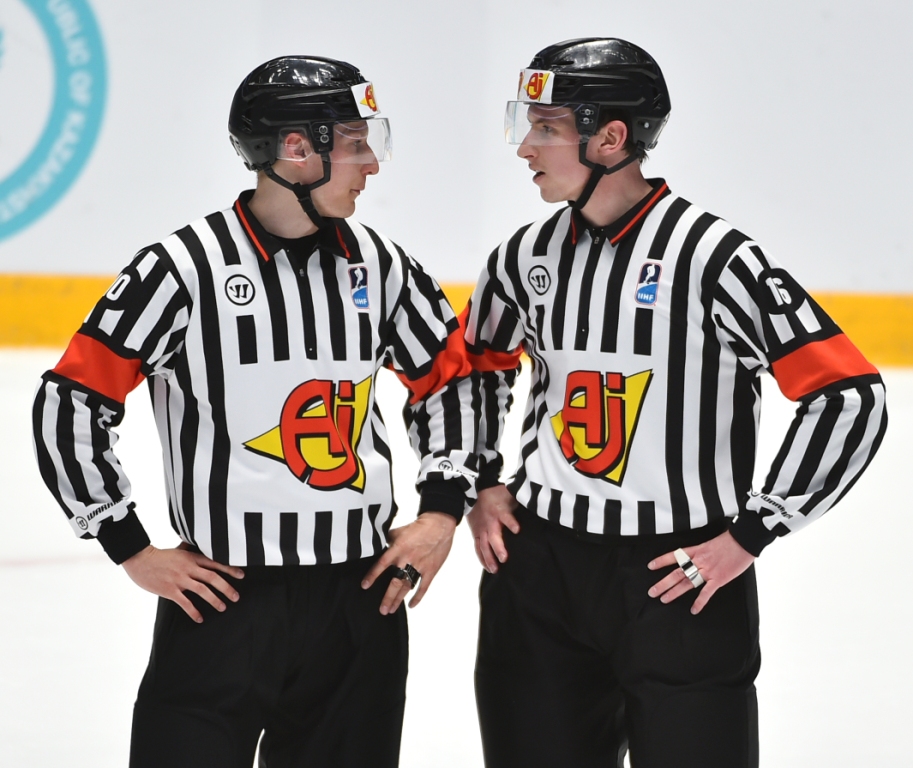 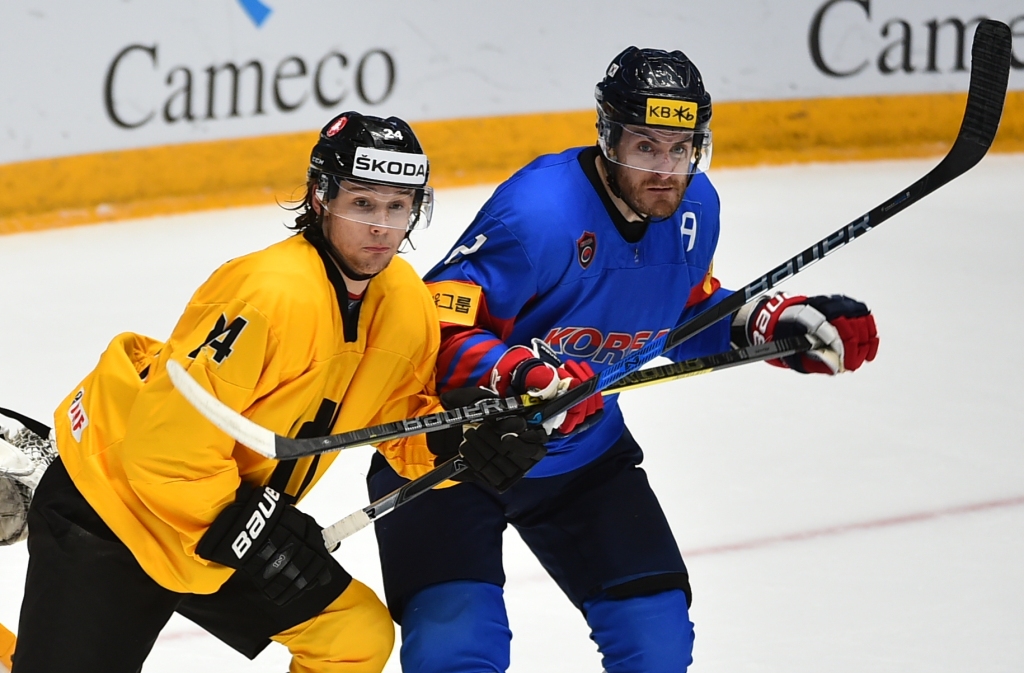 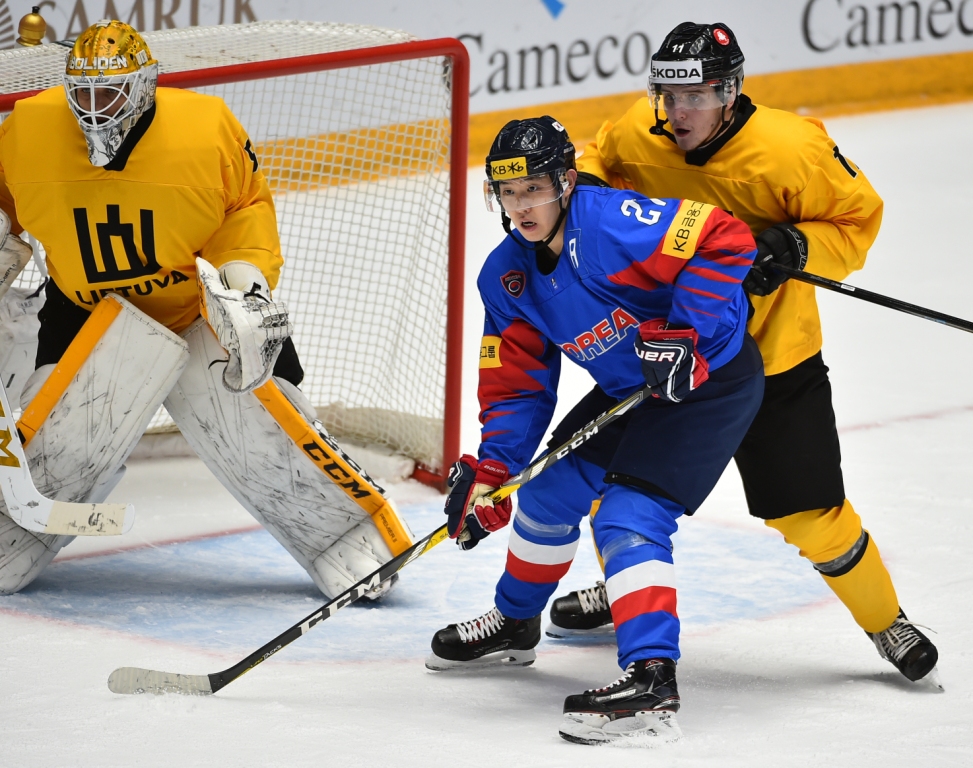 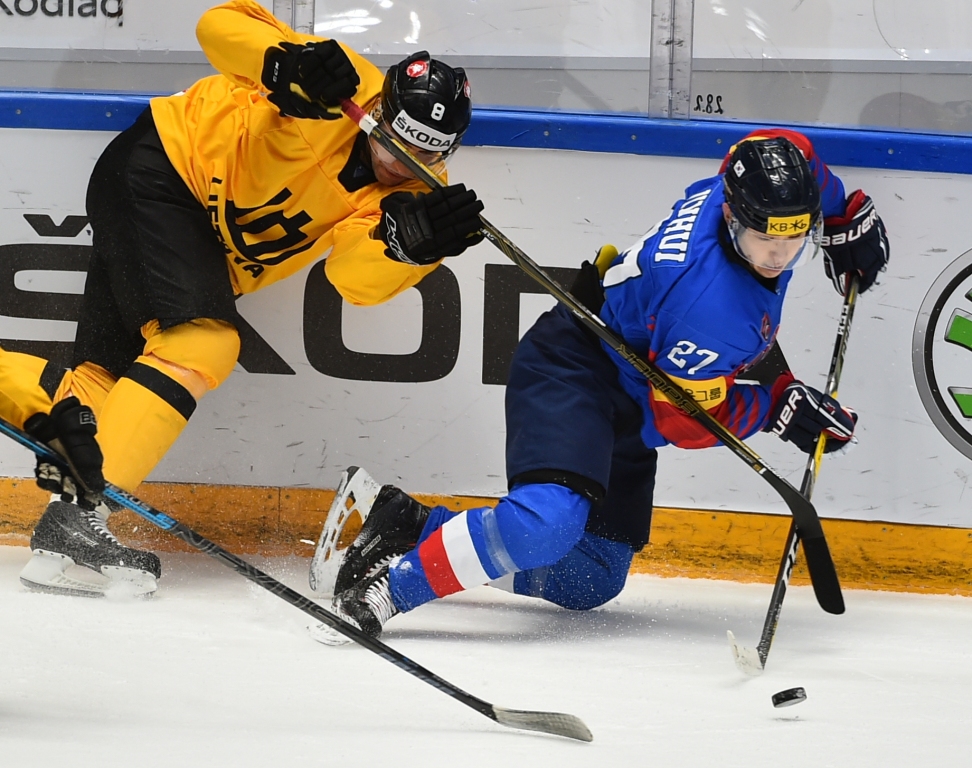 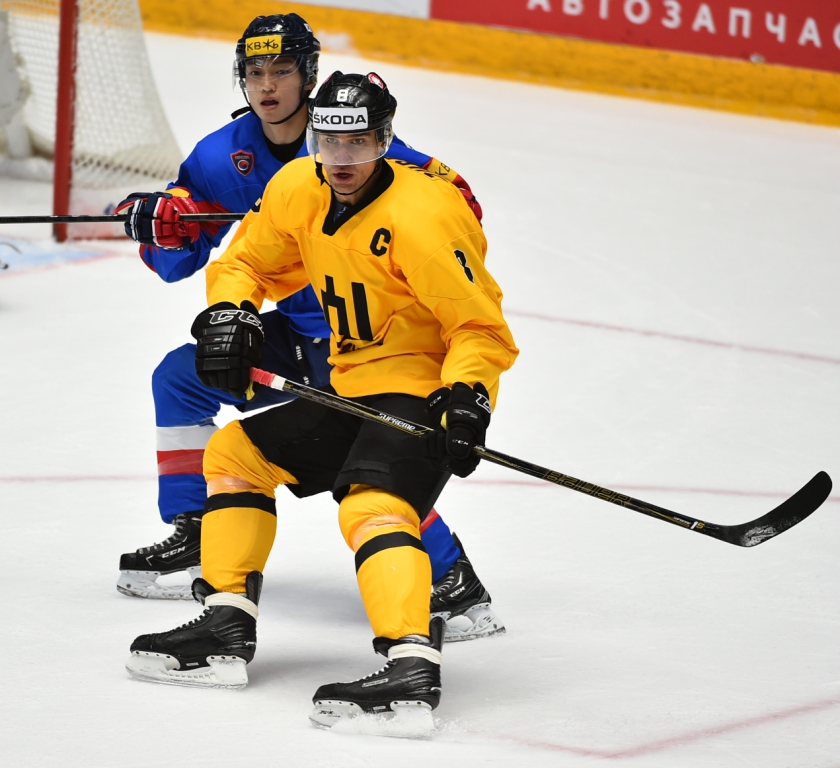