The Czech women deserve some hearty traditional cheers of "Cesi do toho!" They stayed perfect with a 5-3 win over Sweden in Saturday's early game at Espoo's Metro Areena.

Klara Hymlarova got a goal and an assist for the Czechs, and Natalie Mlynkova, Vendula Pribylova, Denisa Krizova and Tereza Vanisova added singles. Katerina Mrazova chipped in two assists.

"I'm not surprised," Krizova said. "We have a good team here and I know we can do well and accomplish a lot of things. But obviously we have things we have to still focus on. We have to stay humble and work hard every single game."

General manager Martin Loukota and coach Petr Novak have every reason to be pleased with their players after this perfect 2-0 start at the 2019 IIHF Ice Hockey Women's World Championship. Their power play, in particular, is sizzling. It clicked twice in the opening 3-1 win over France and twice again against Sweden.

As for the blue-and-yellow team, mental mistakes are taking a toll.

"We started the game really well, and we had the game in hand," said Erika Grahm, who scored late to give Sweden a chance. "We had a really tough second period and we had a lot of penalties. There are a lot of good teams here now. So we can't sit in the penalty box."

Sweden's last Olympic medal was in 2006 (silver) and its last Women's Worlds medal was in 2007 (bronze). The country that reputedly offers Europe's best playing conditions for women with the SDHL has not been able to achieve similar success with its national team.

In a showdown between experienced netminders, Klara Peslarova got the better of Sweden's Sara Grahn. Shots favoured the Czechs 28-25.

In its opener, Sweden settled for one point after losing 2-1 to Germany despite a 41-15 edge in shots on goal. Every point is vital as these Group B teams jockey for position. Under the new 10-team format, the top three finishers in the group advance to the quarter-finals, while the bottom two teams go to Division I for 2020.

"It's important that we believe in ourselves and just go for it for 60 minutes," said Grahm.

Rookie head coach Ylva Martinsen’s women skated hard and looked determined in the first period, outshooting the Czechs 13-3. At the tail end of Sweden’s first power play, Hanna Olsson threaded the needle with a high short side shot past Peslarova from the left faceoff circle to make it 1-0 at 6:55.

"I think we had a slow start and we can definitely start faster," Krizova said. "I'm glad that we found our way to battle and win the game."

The Czechs struck back halfway through the first period. Off a scrum at the faceoff dot in the Swedish end, an opportunistic Mlynkova grabbed the puck and roofed it over Grahn’s shoulder. Mlynkova, a 17-year-old Zlin native, has played at three U18 Women’s Worlds, and led this year’s seventh-place team with five goals.

"It was amazing," Mlynkova said. "I don't know what to say about it. I just didn't want to make big mistakes and tried to help our team as much as I can."

Sweden went up 2-1 at 14:22 on a wonky play off the rush. From Rask, the puck drifted to an onrushing Nordin near the goal line to Peslarova’s left, and the Swedish captain skimmed it behind the goalie, where it deflected in off the inside of the right post.

The Czechs regained their footing in the second period, and their power play provided the 2-2 equalizer at 8:27. Hymlarova went to the net with her stick on the ice and converted Aneta Tejralova’s pass with a deft backhander.

Another 5-on-4 spawned the first Czech lead of the afternoon. Just as it was about to expire, Pribylova accepted Simon Studentova's diagonal cross-ice pass and beat Grahn on the blocker side at 16:30.

In the final stanza, the Czechs stormed Sweden's net. Krizova made it 4-2 at 9:46 with another goal off the faceoff dot. It was, quite simply, a mirror image of Mlynkova's opening tally, as missed assignments continued to burn the Damkronorna.

"Obviously I didn't plan to do that, but there was room, so I just went for it," said Krizova of her copycat play. "I'm glad it went in."

With about four minutes left, Melinda Olsson had a great chance to bring Sweden within one, but Peslarova flung her left arm back with Dominik Hasek-like abandon to foil the Swedish forward on the doorstep and leave her shaking her head.

Grahm made it exciting at the end. The veteran forward cut the deficit to 4-3 with 2:04 left with a long blast from the right point and the goalie pulled for an extra attacker. Sweden continued to press, but Vanizova slipped away to add the 5-3 empty-netter with 15 seconds left.

The Swedes must pick it up against pointless France on Sunday and Japan on Tuesday. The Czechs will aim to make it three in a row when they battle the Japanese on Monday.

"It's going to be tough," Krizova said. "We know Japan really well. We have played so many  games against them. So we're definitely going to look at the videos and see what we can do. Hopefully it will go our way."

Czech defender Daniela Pejsova, who left the opener against France after getting bowled over by Lore Baudrit, was back in the lineup on Saturday.

The Swedes have never been relegated at the Women’s Worlds. They had a close shave at the 2013 tournament in Ottawa. They finished seventh after sending the Czechs down with two straight wins in the best-of-three relegation round. 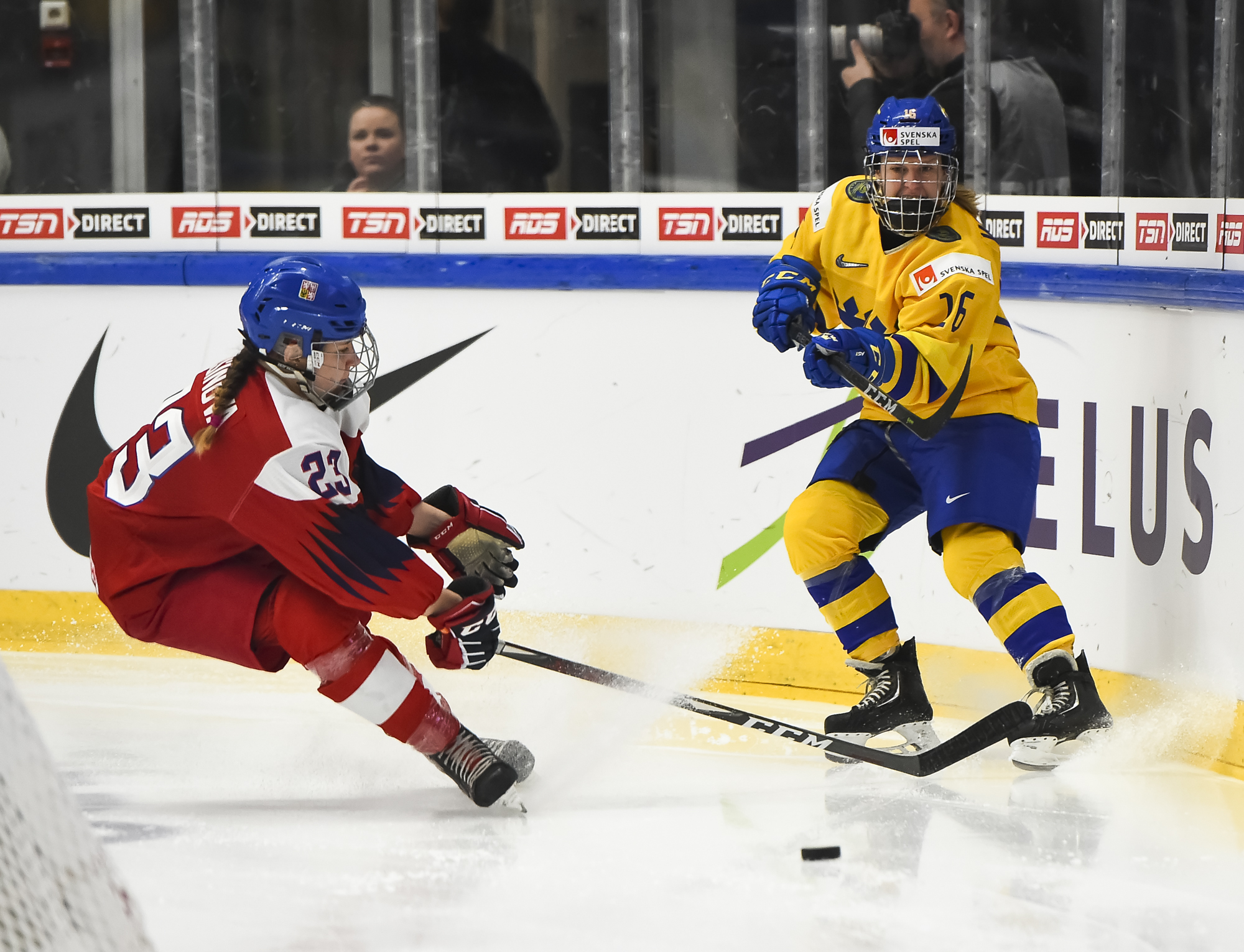 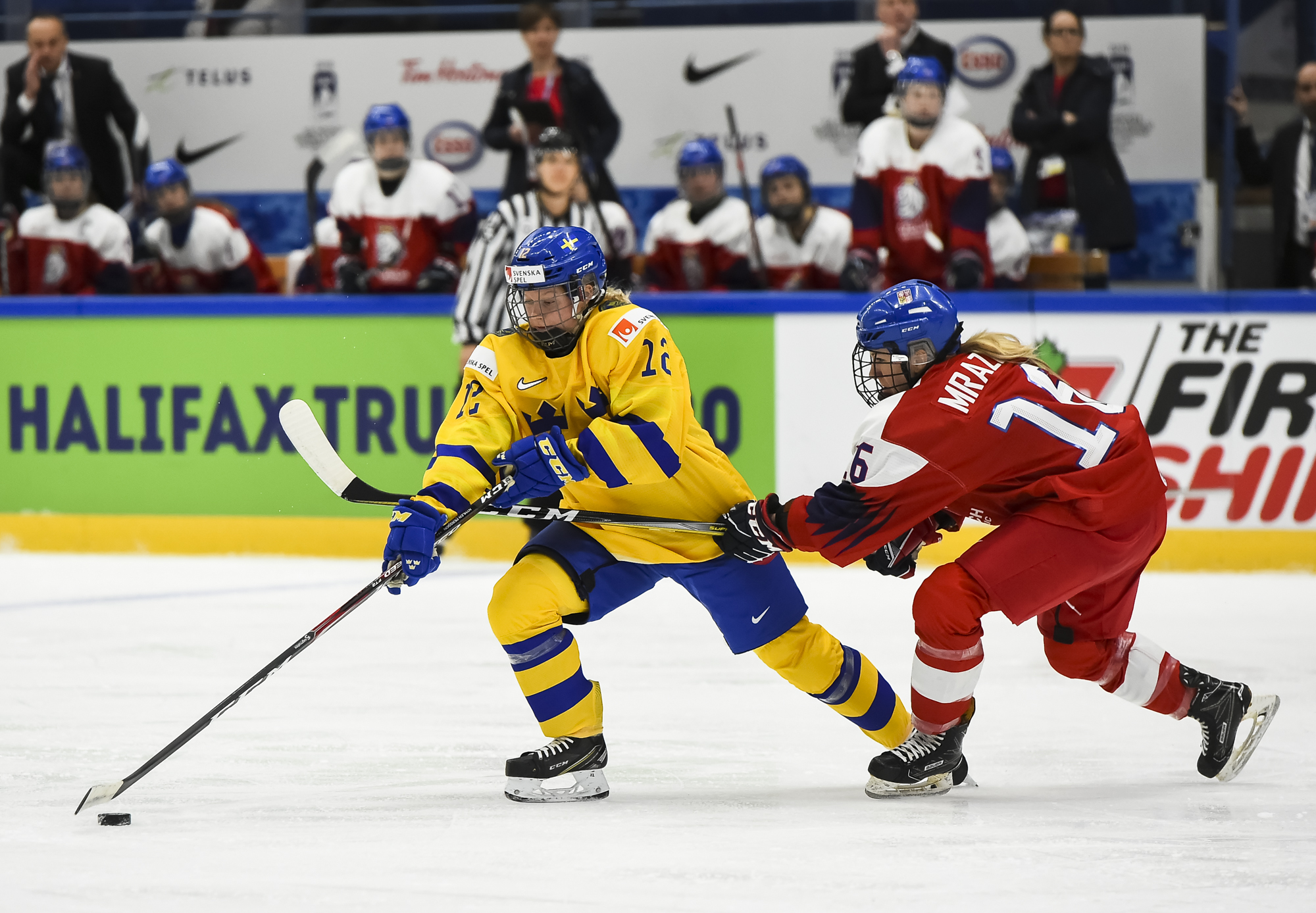 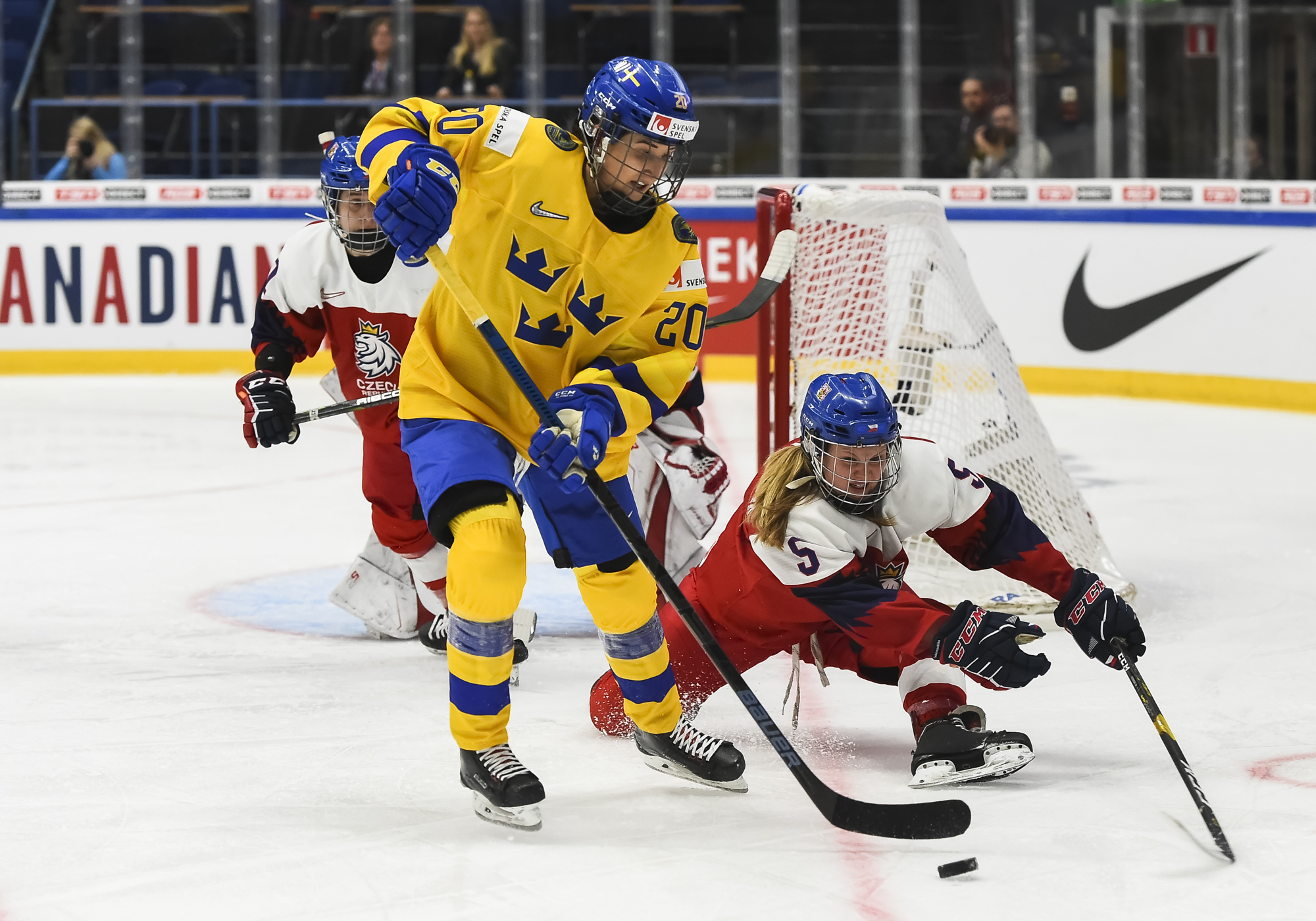 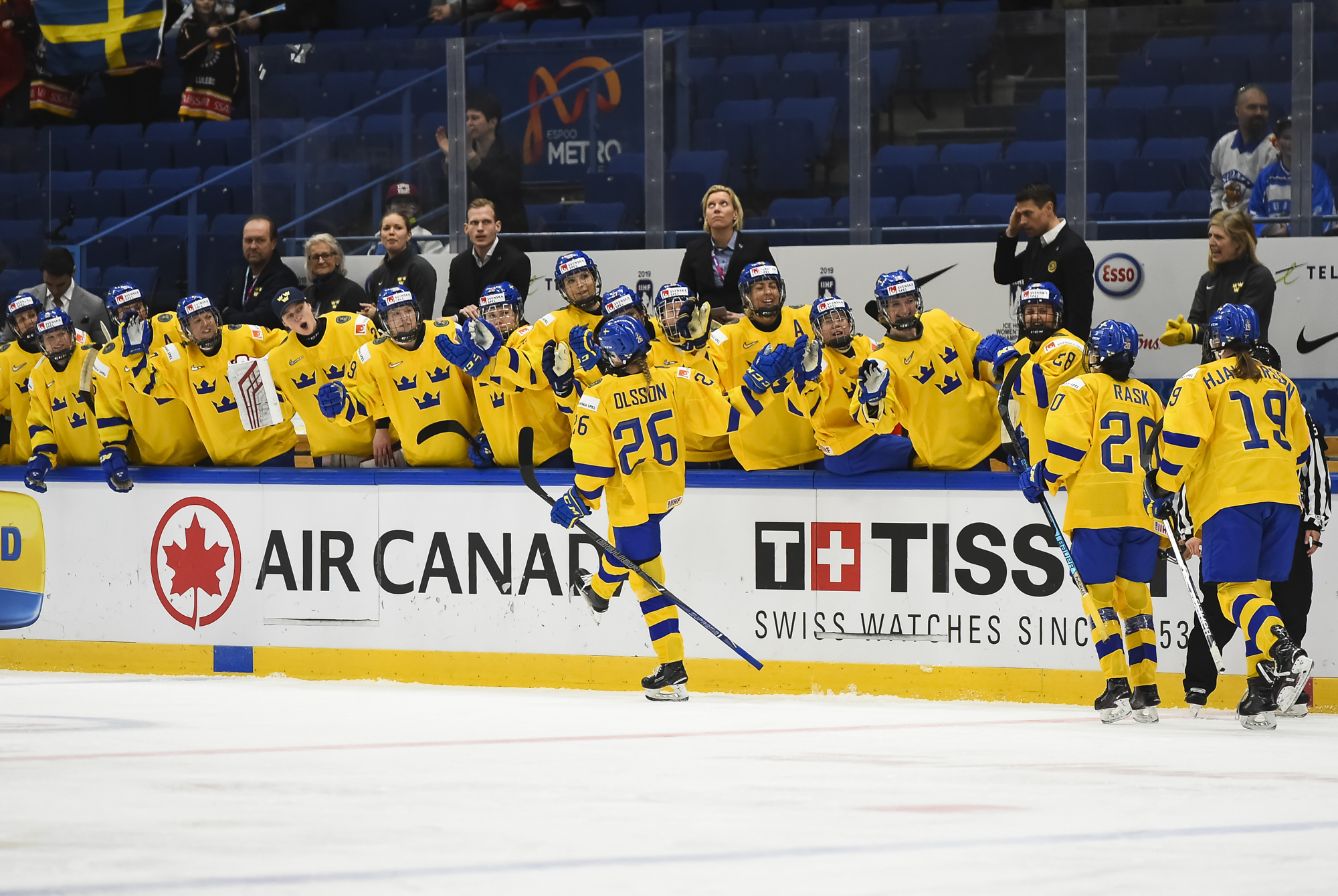 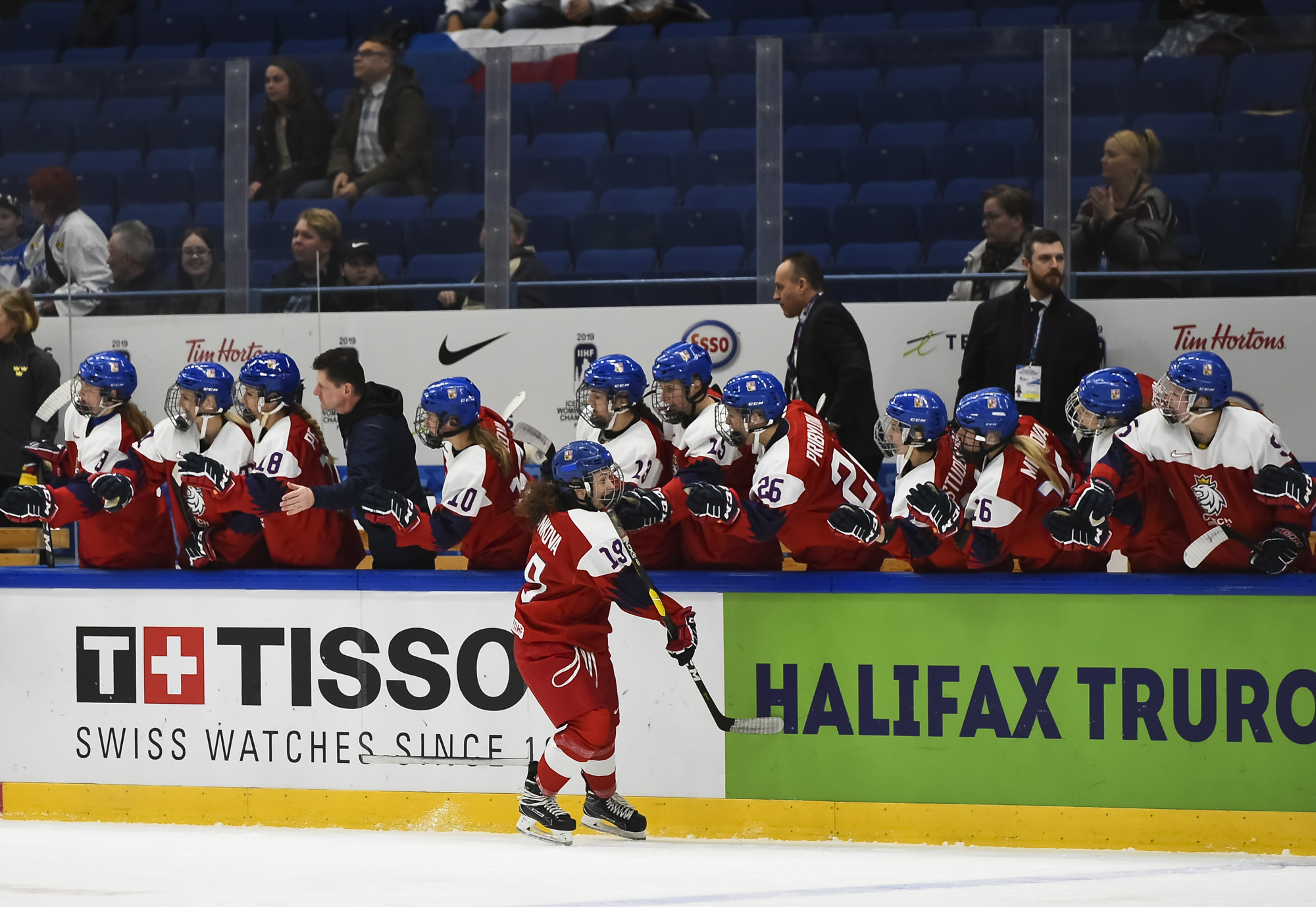 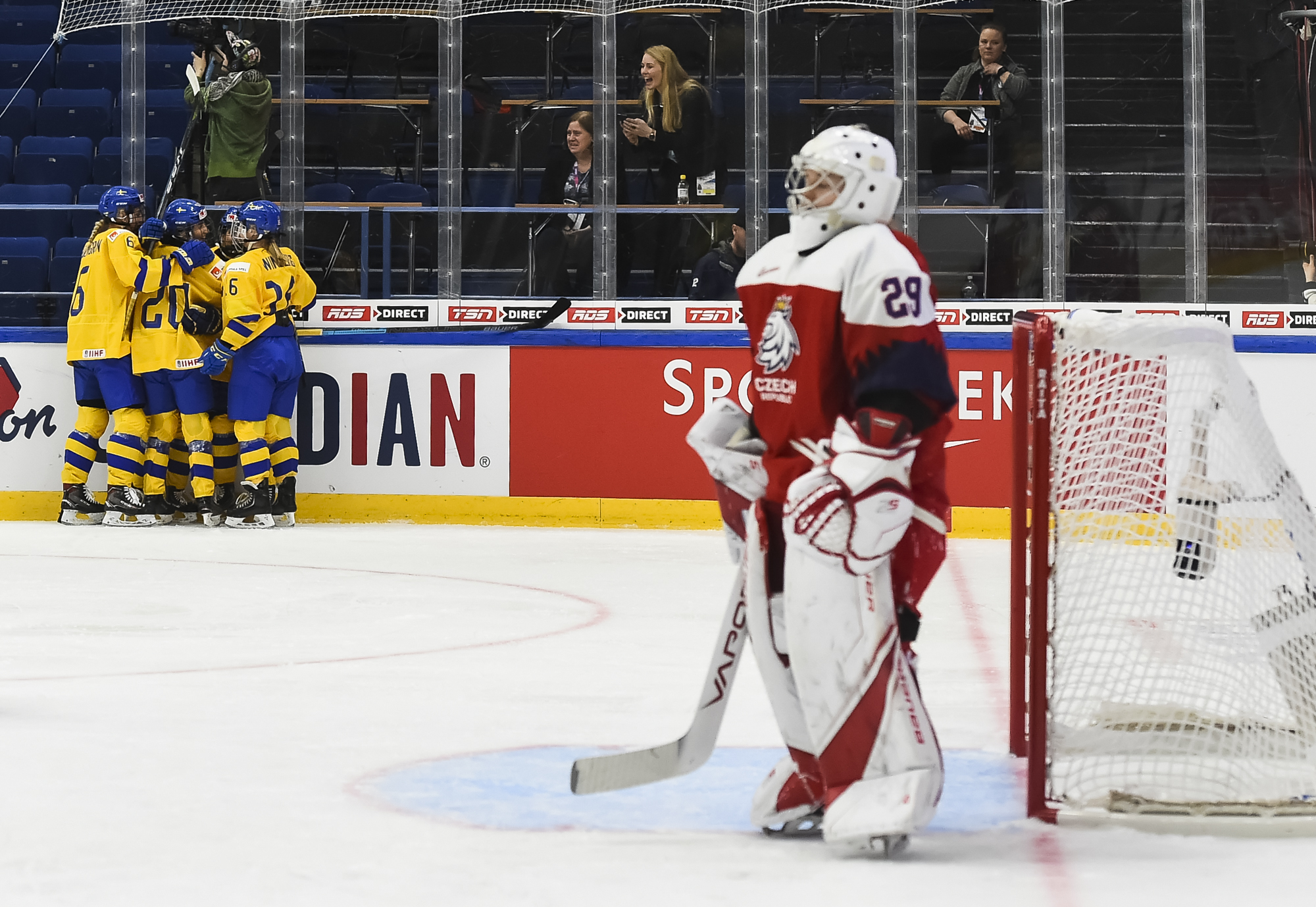 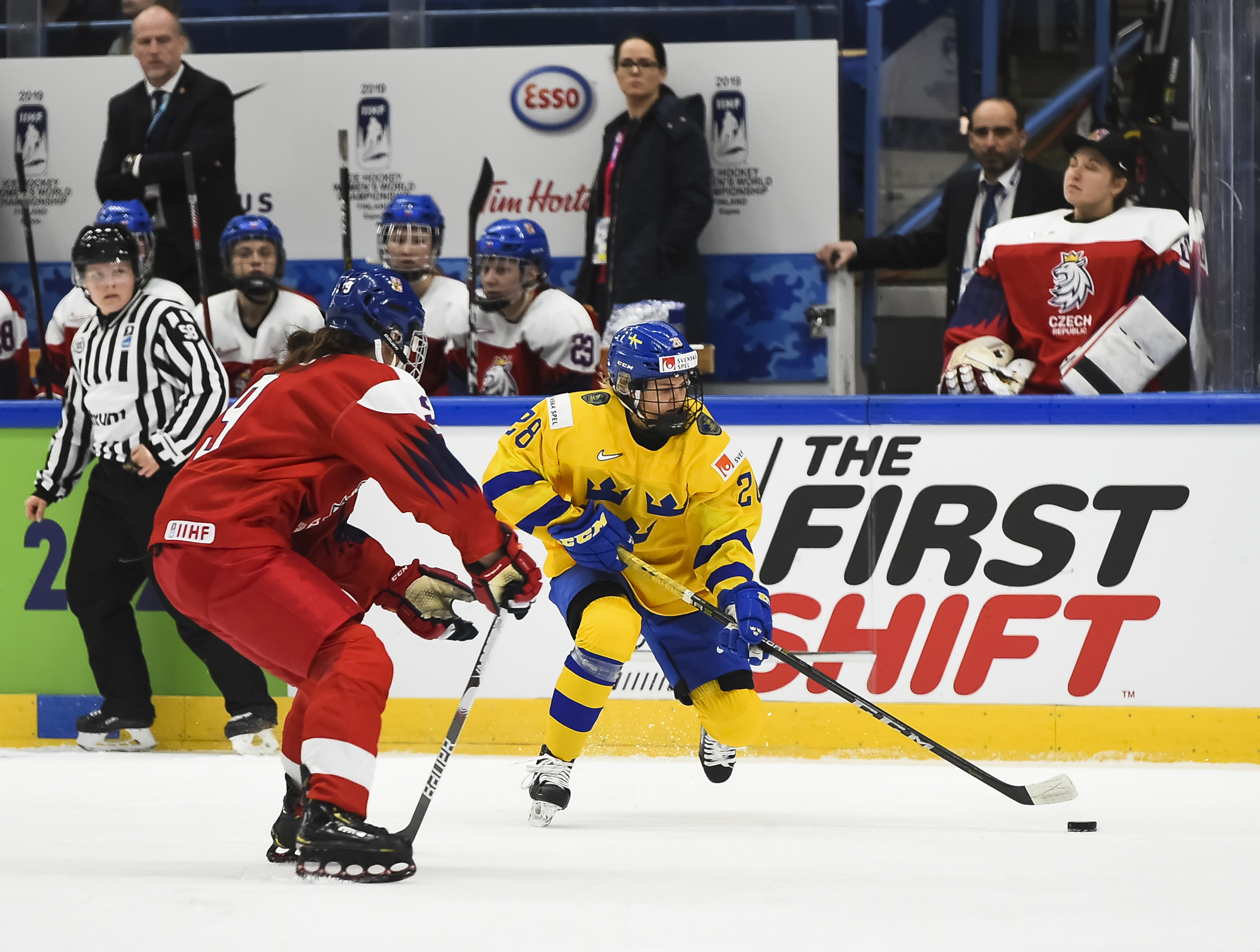 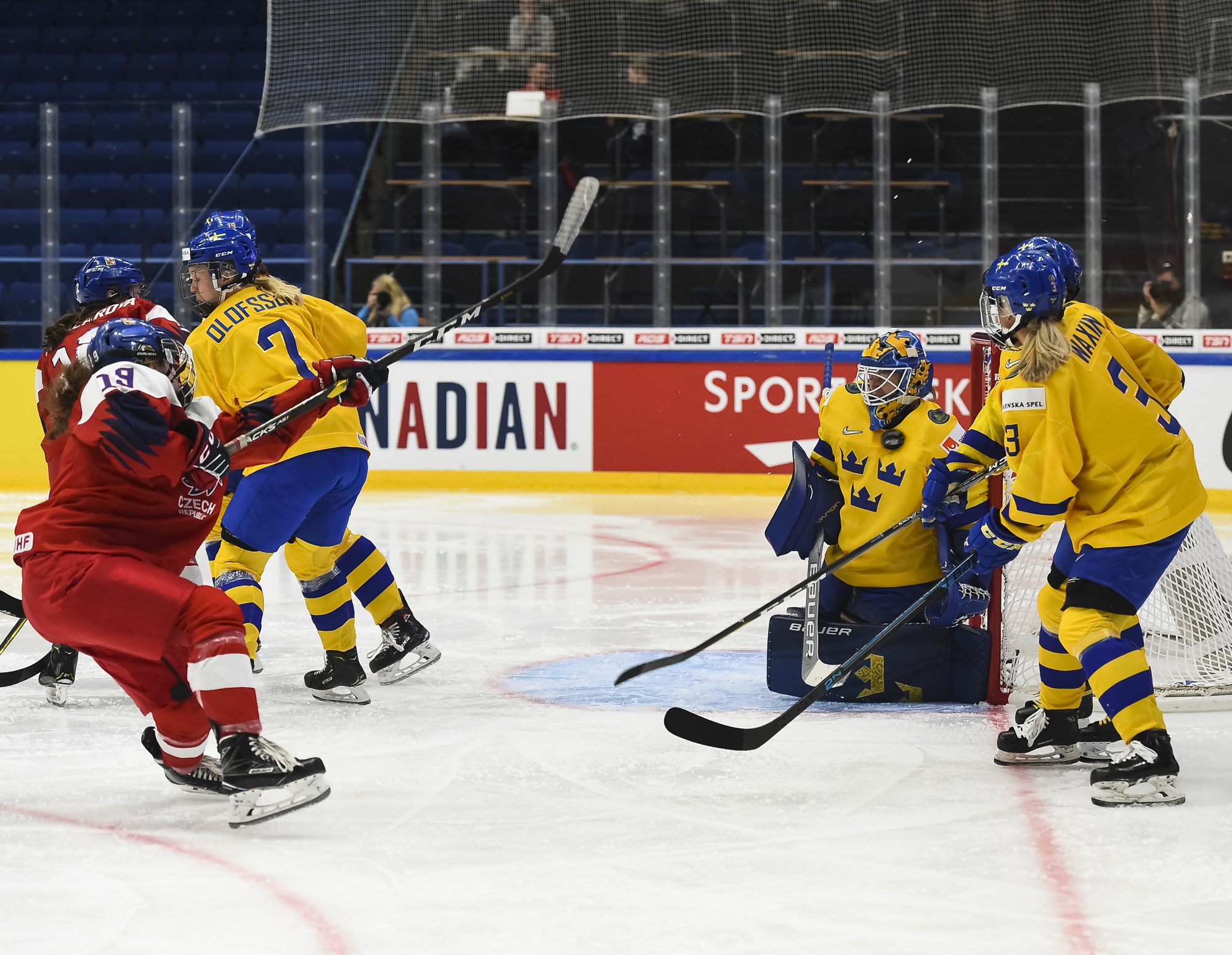 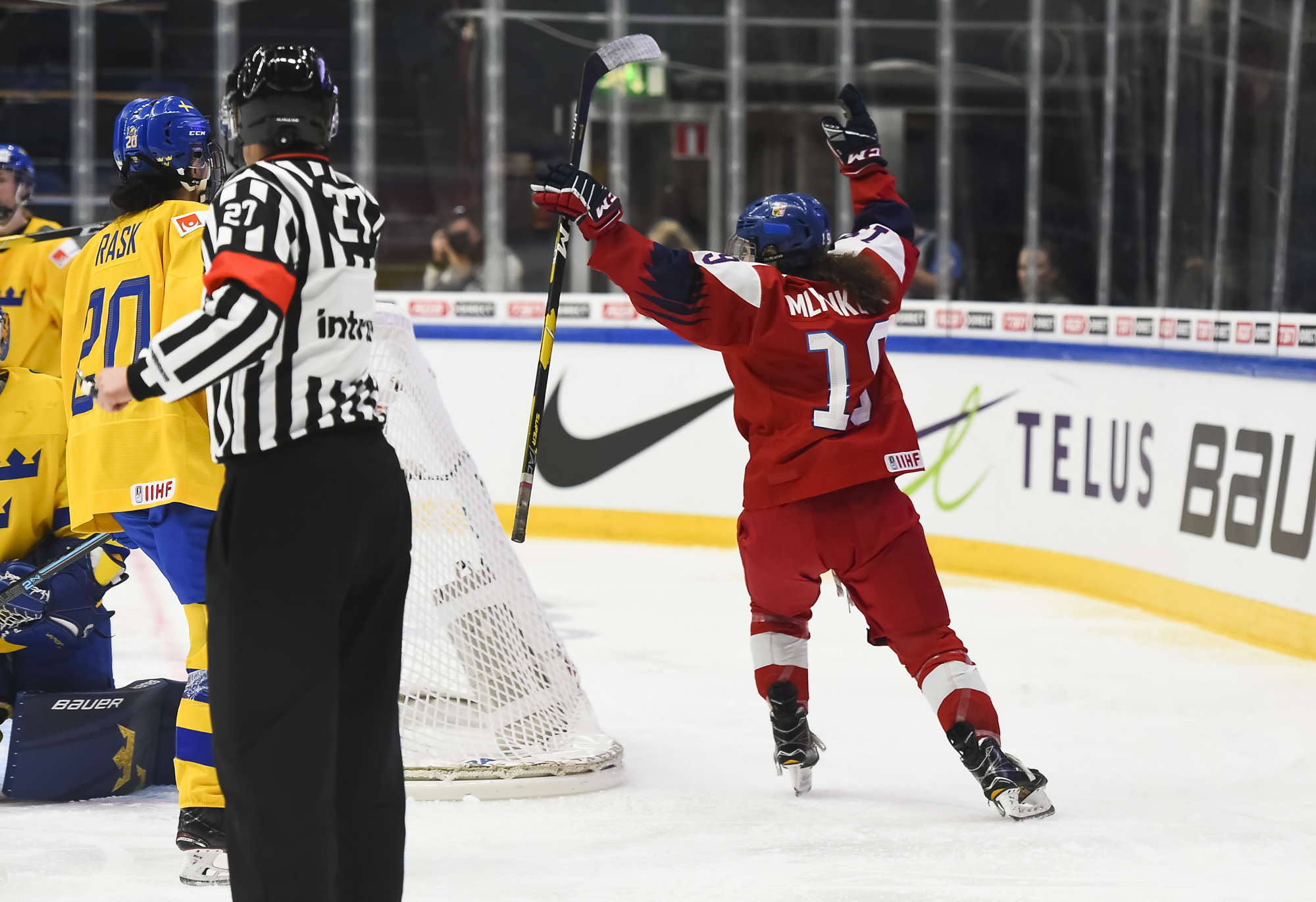 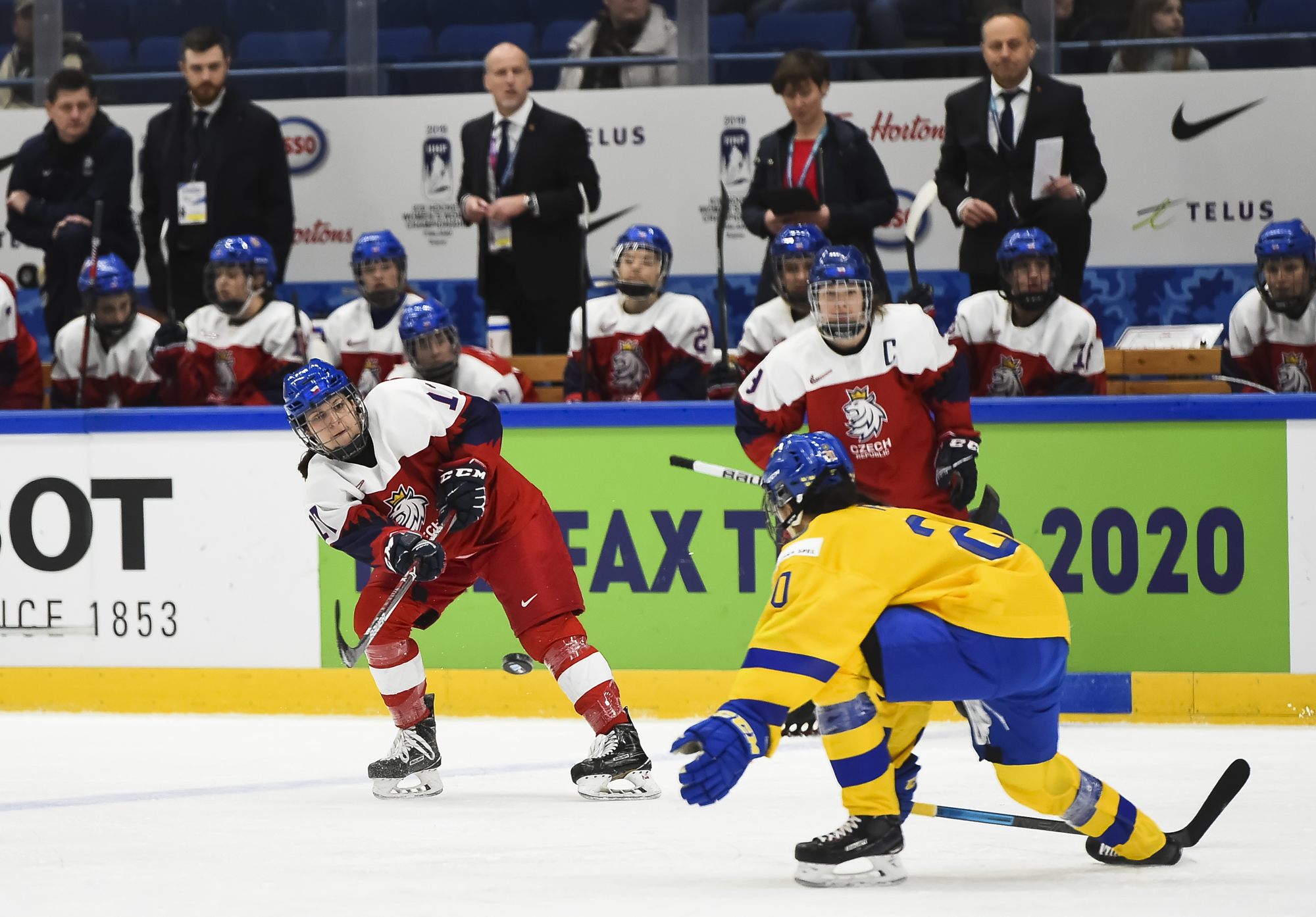 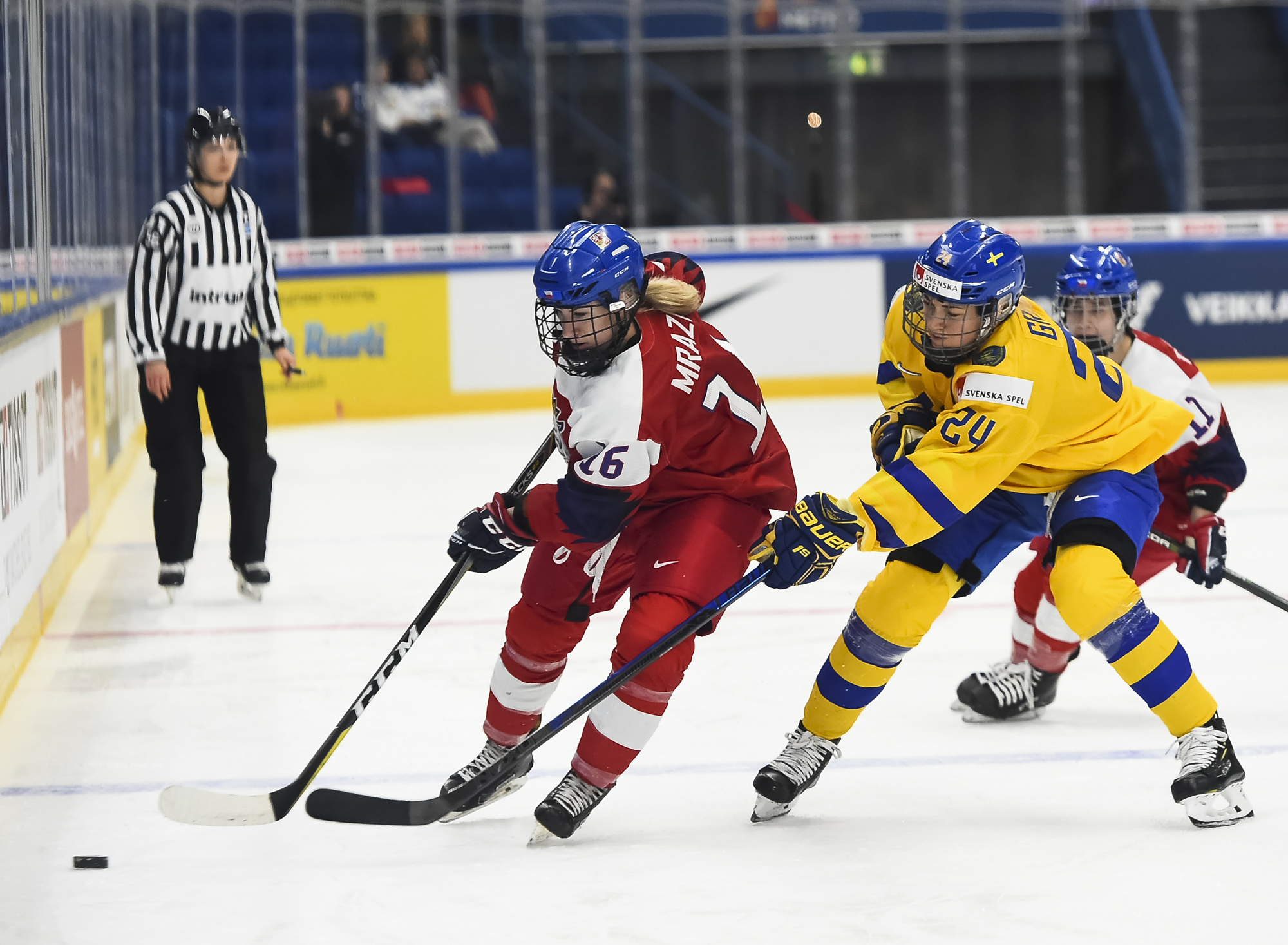 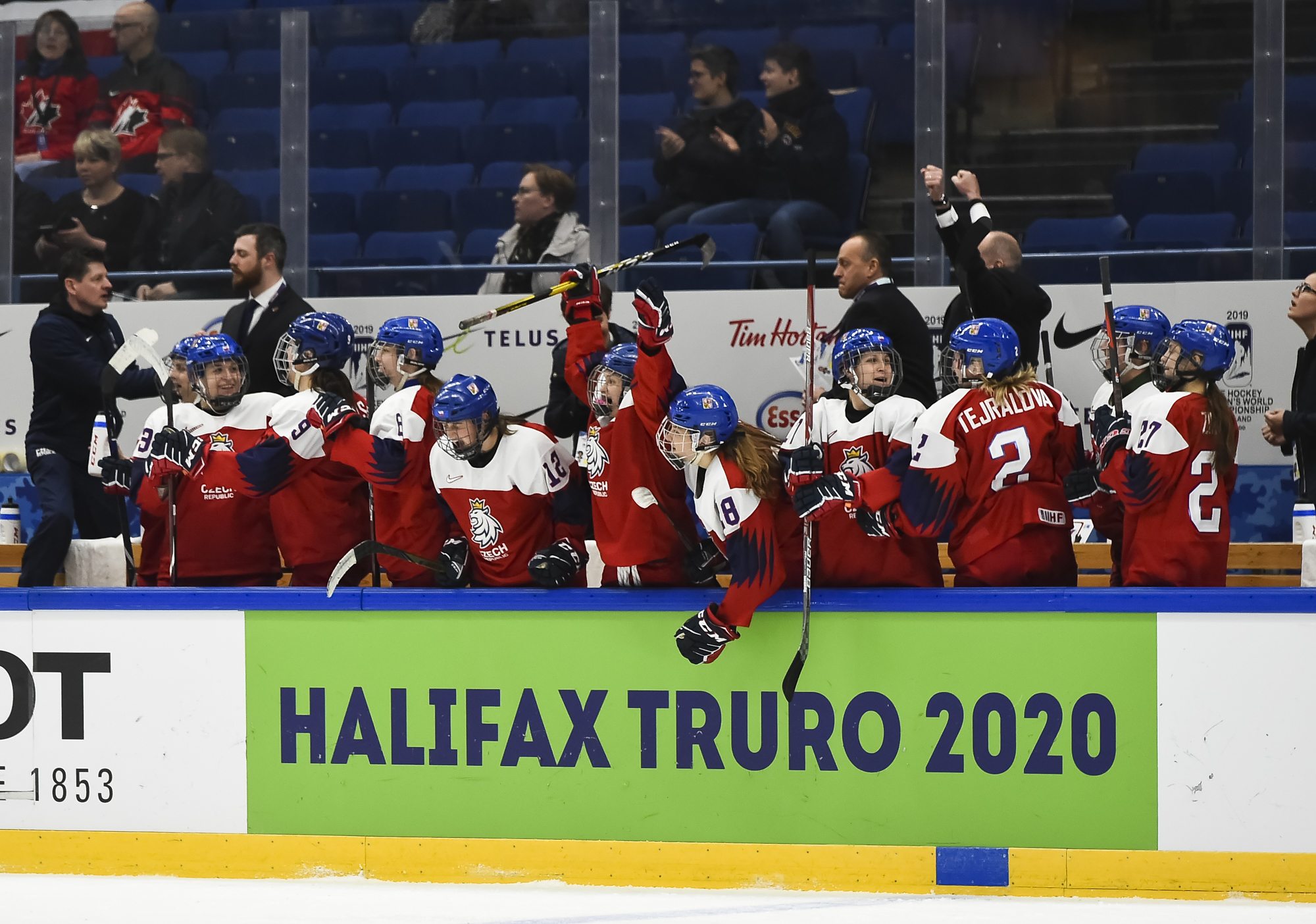 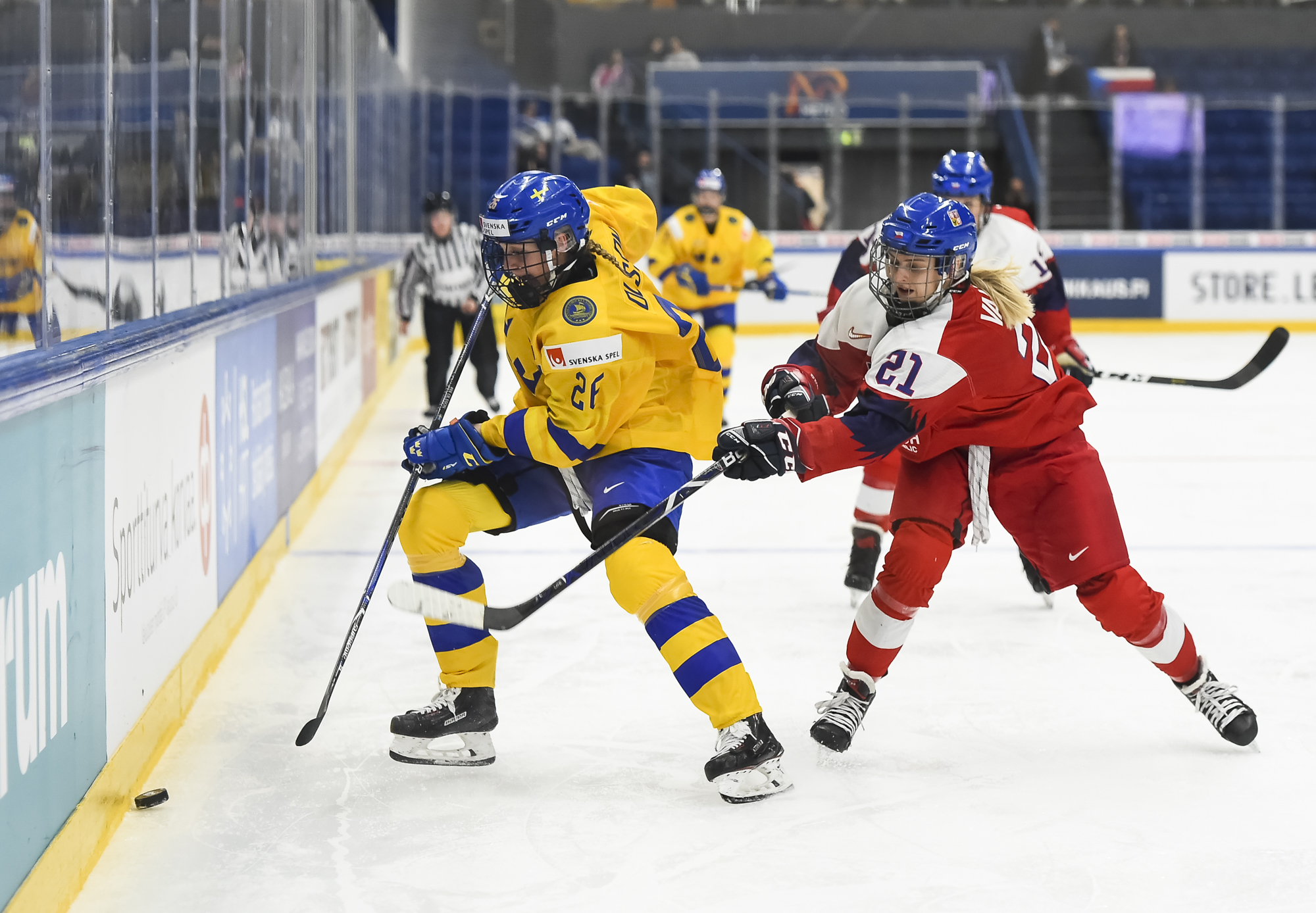 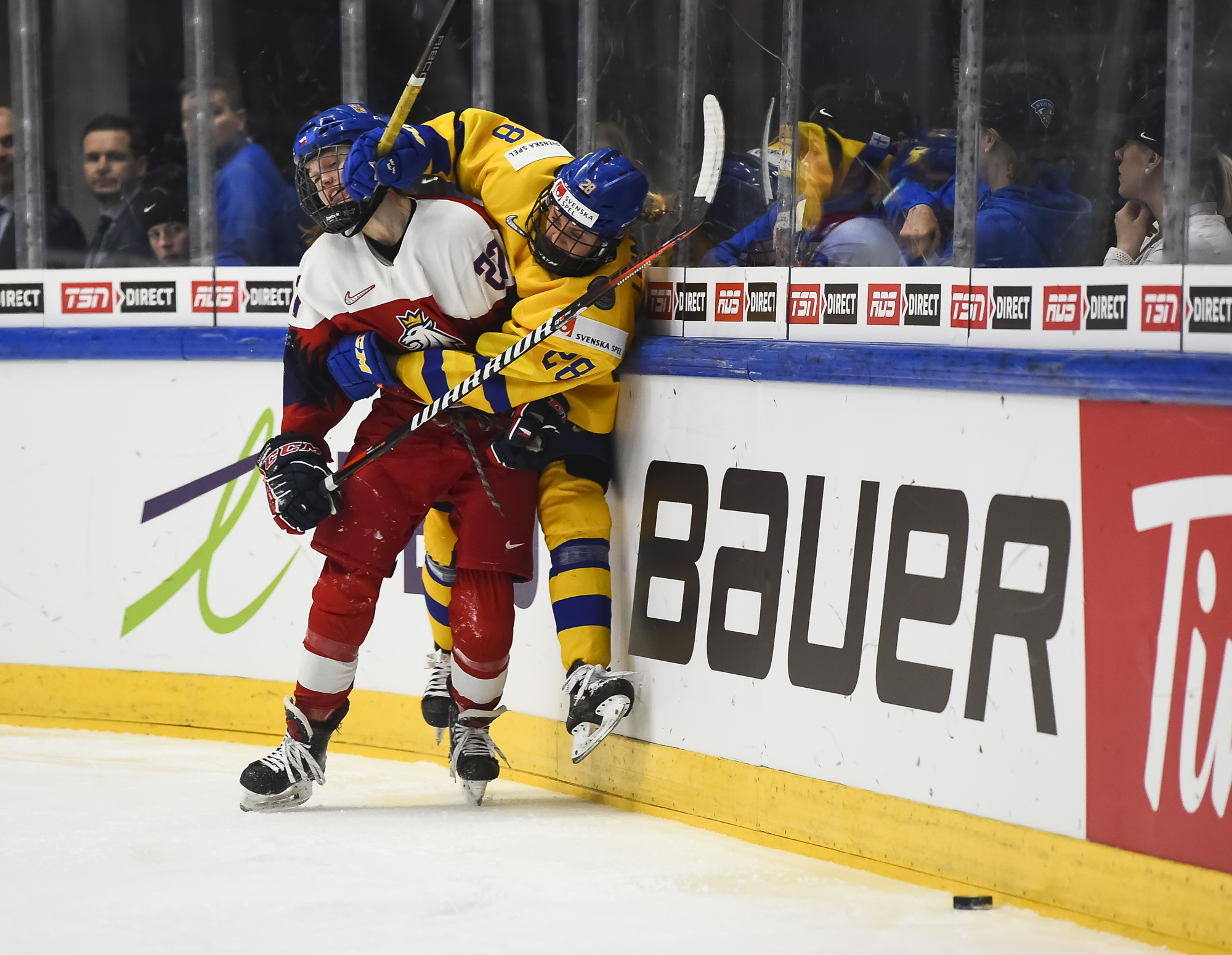 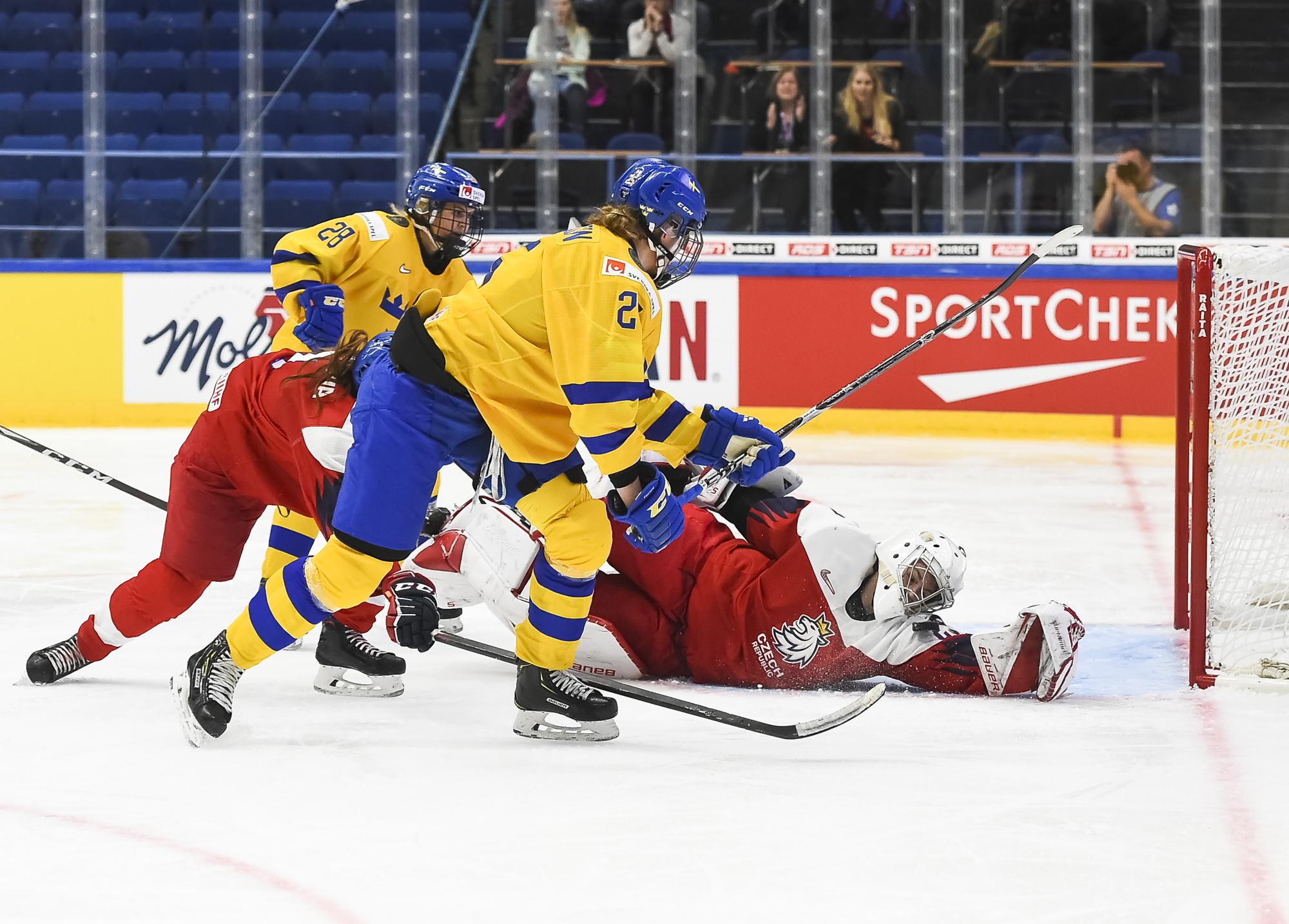 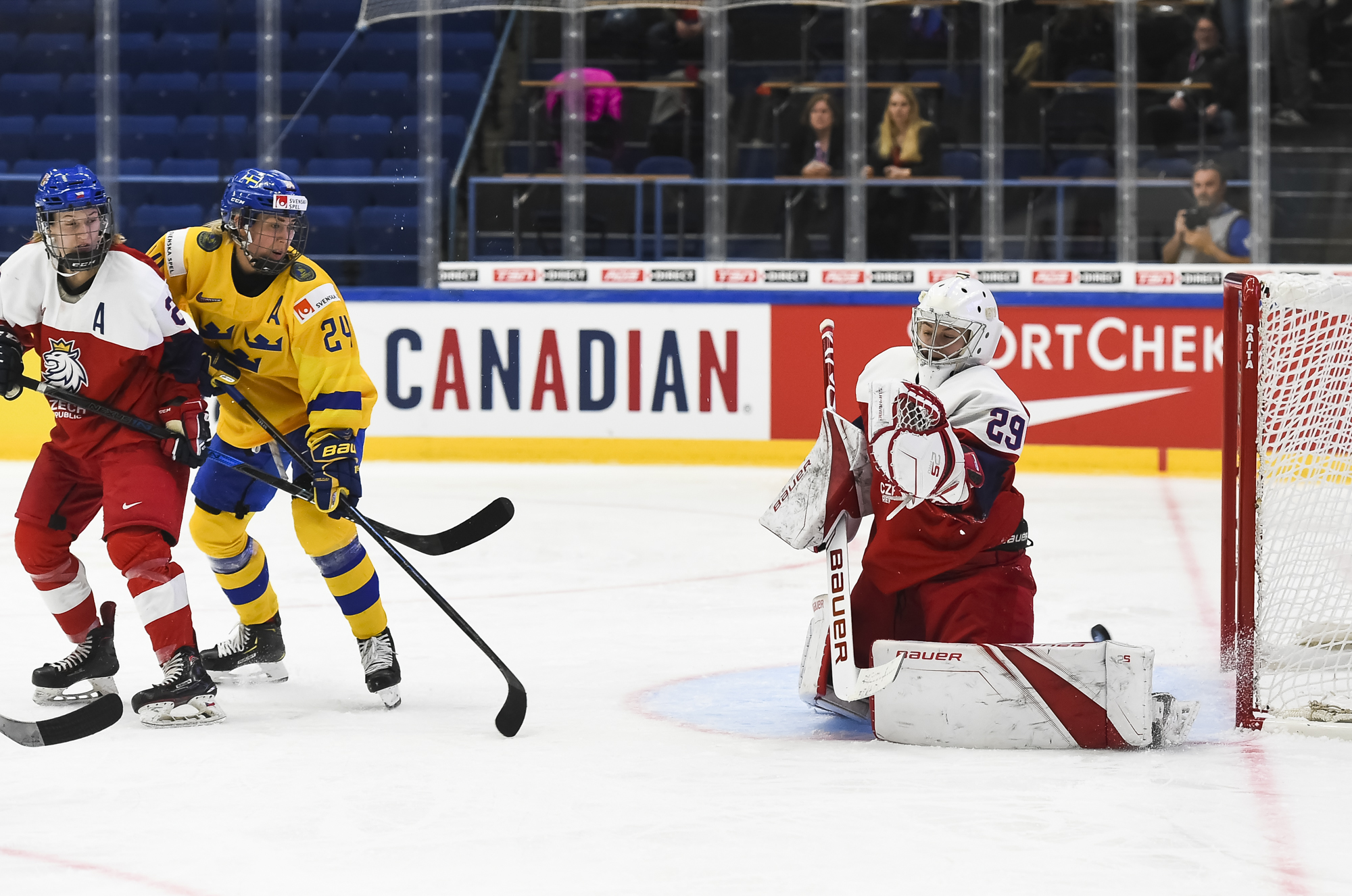 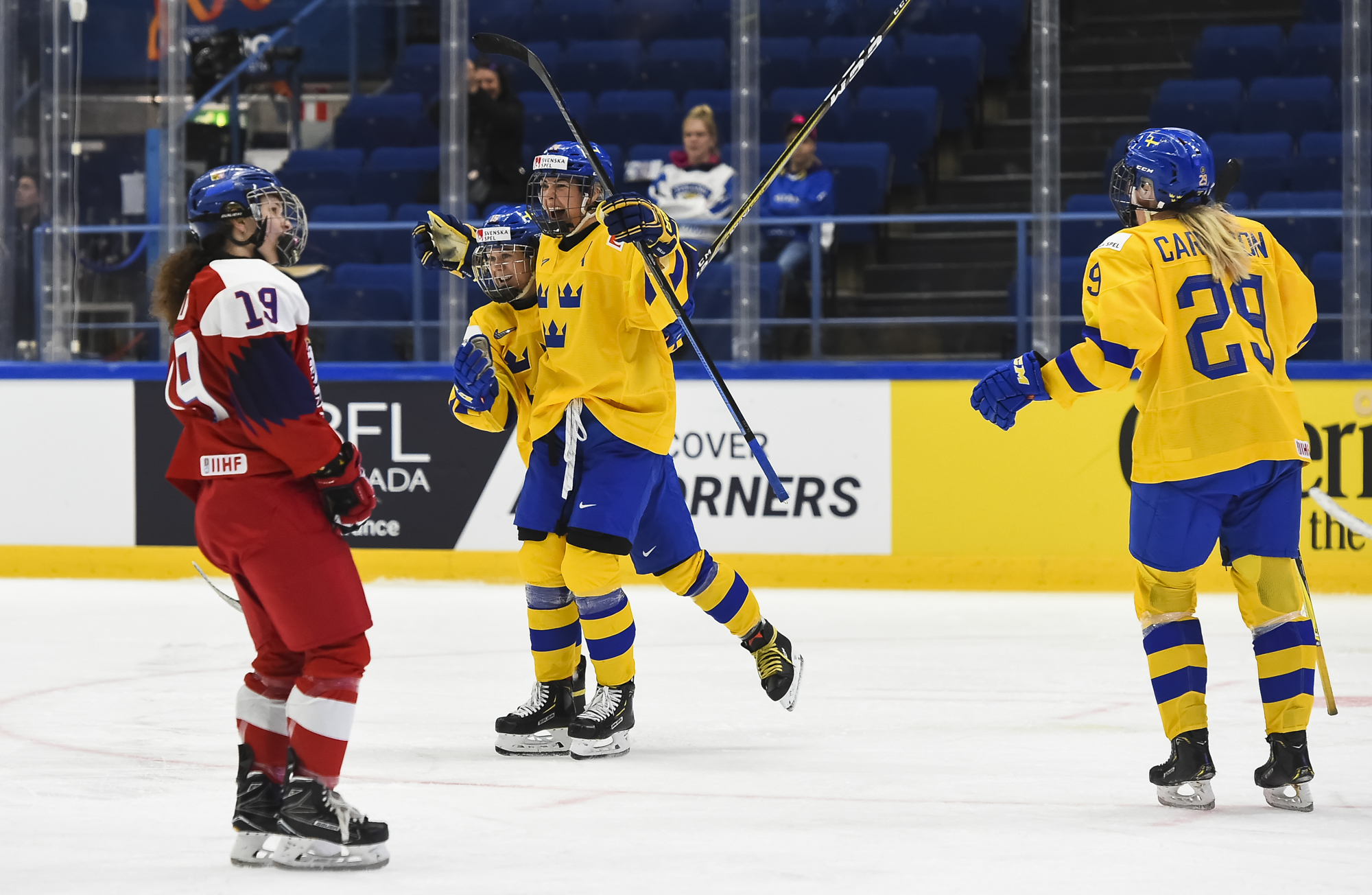 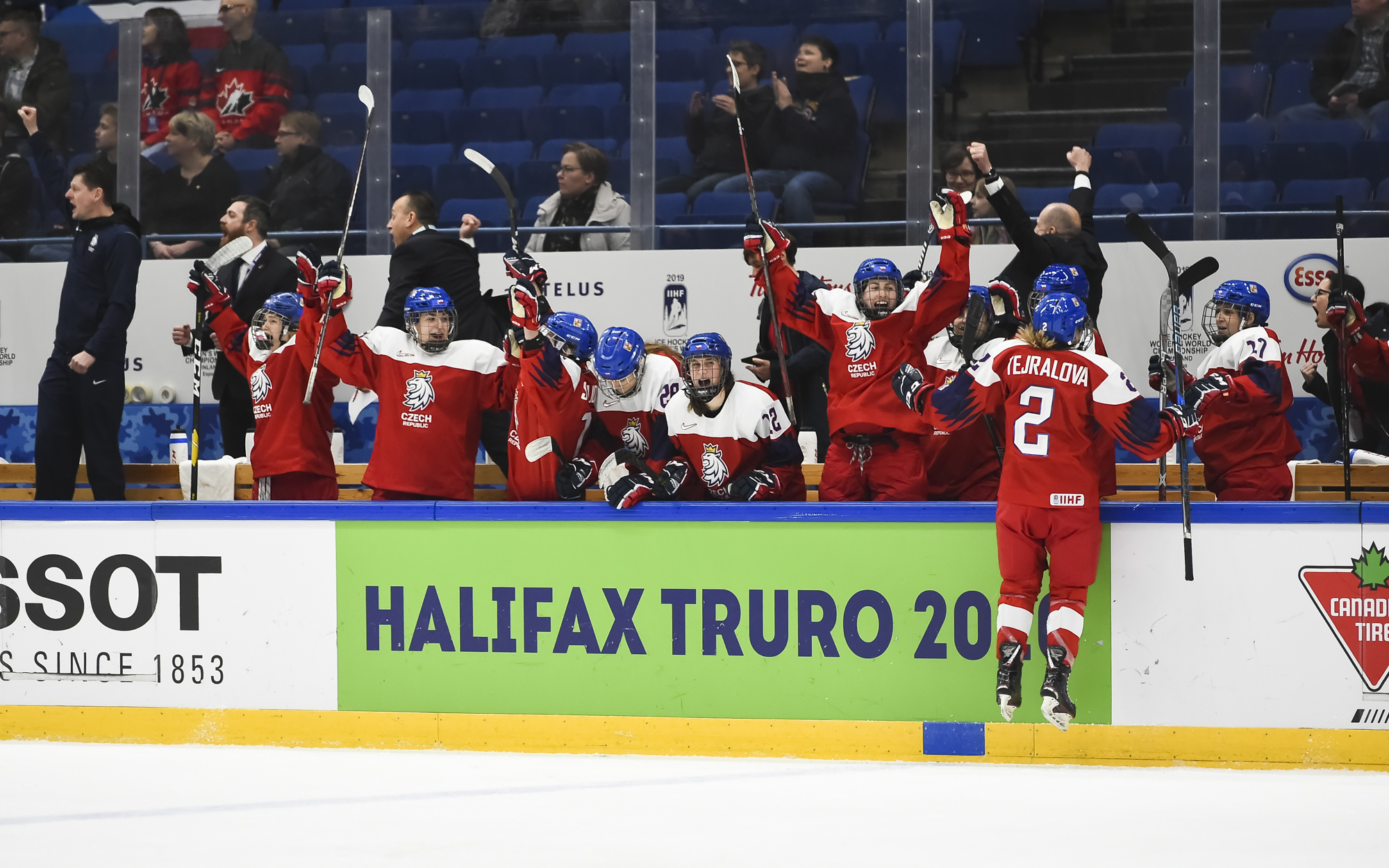 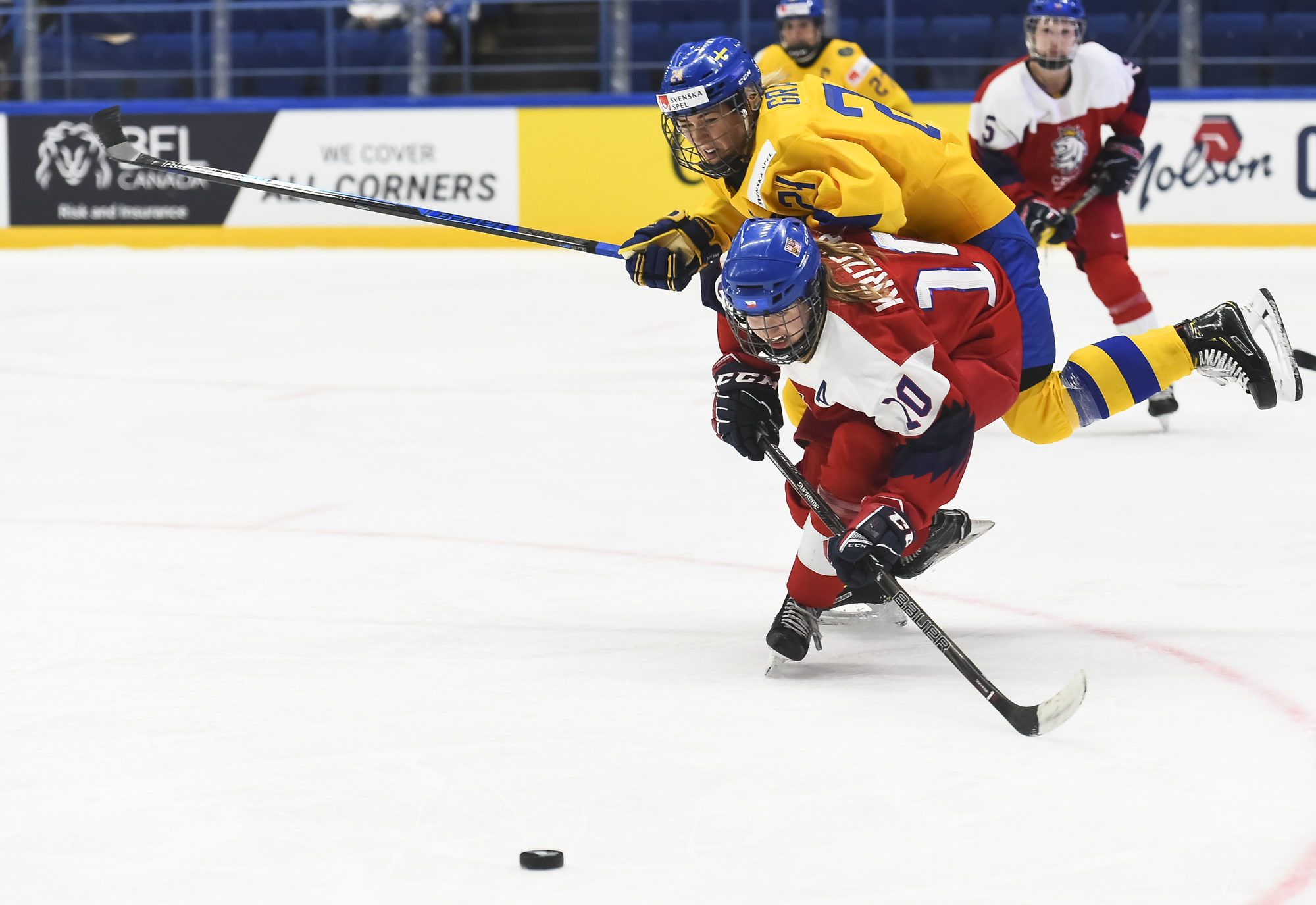 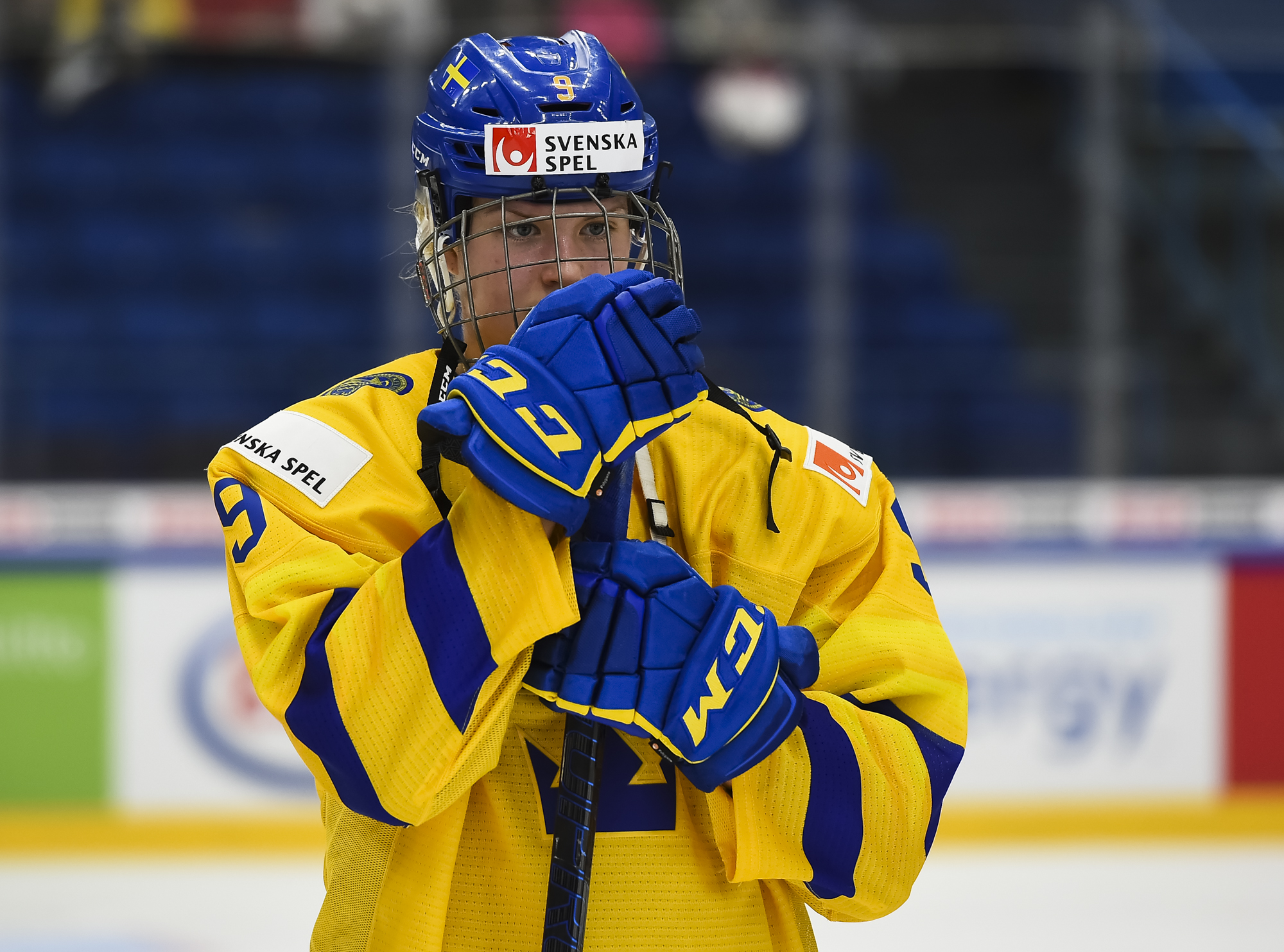 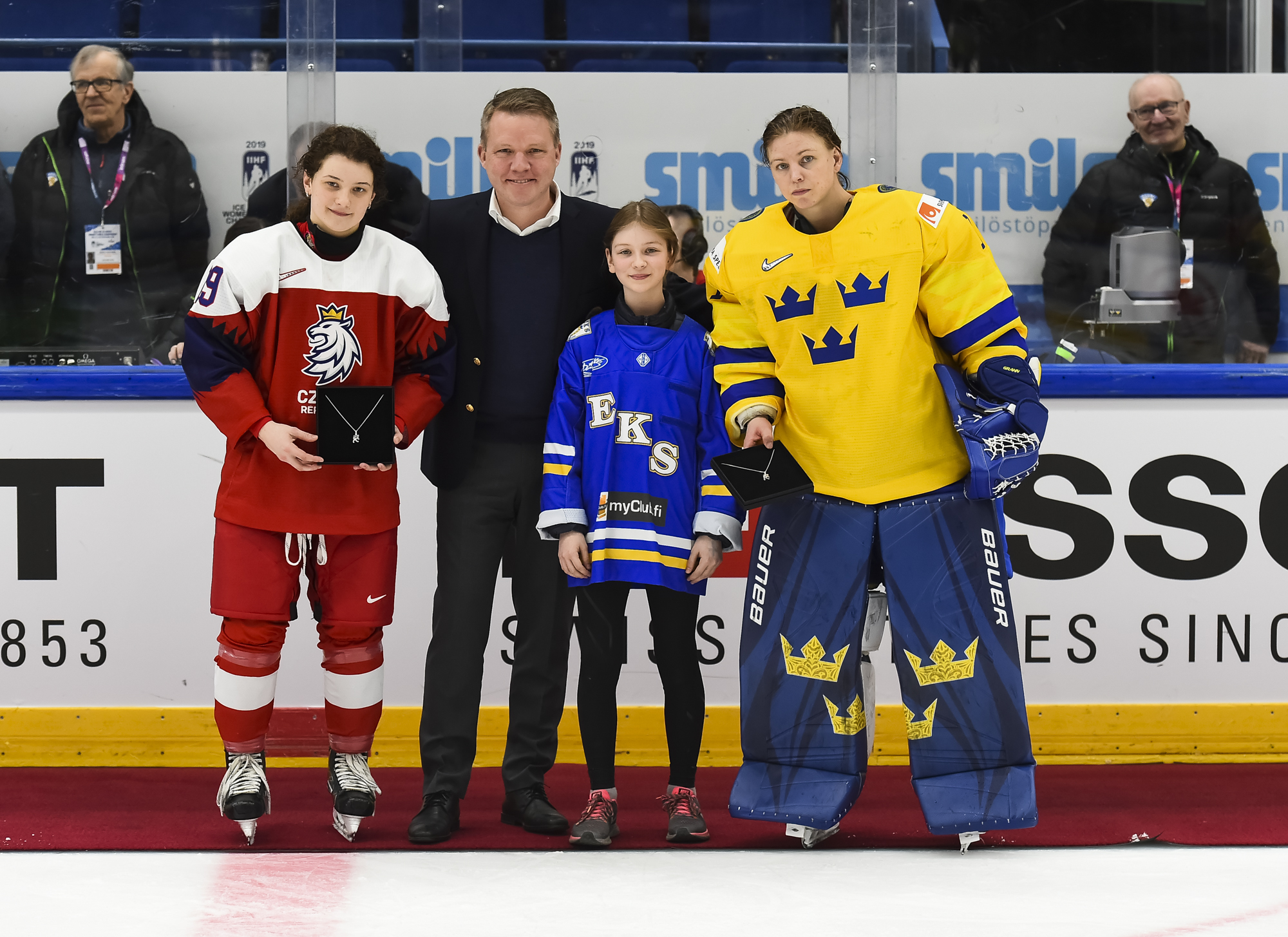 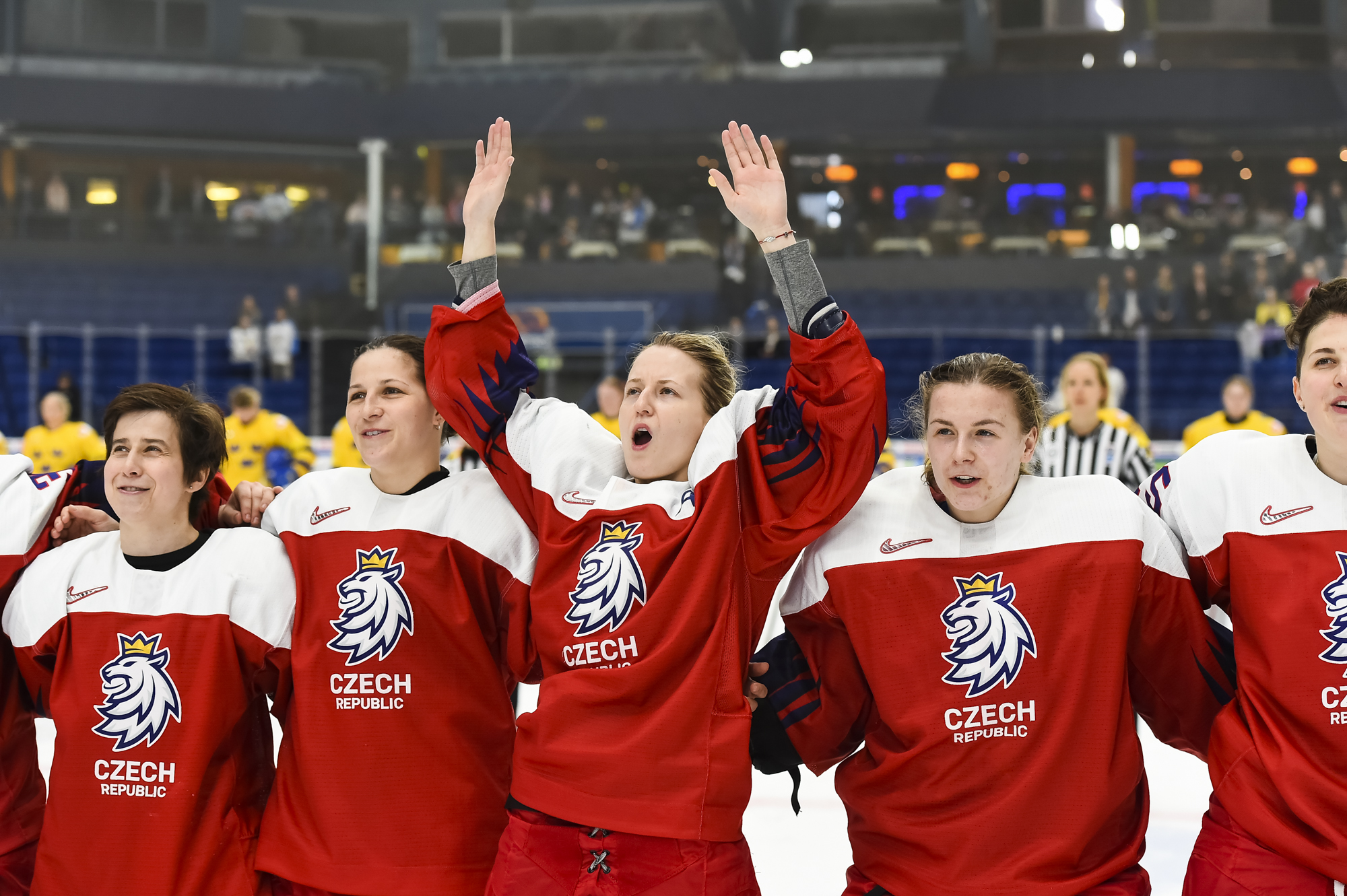 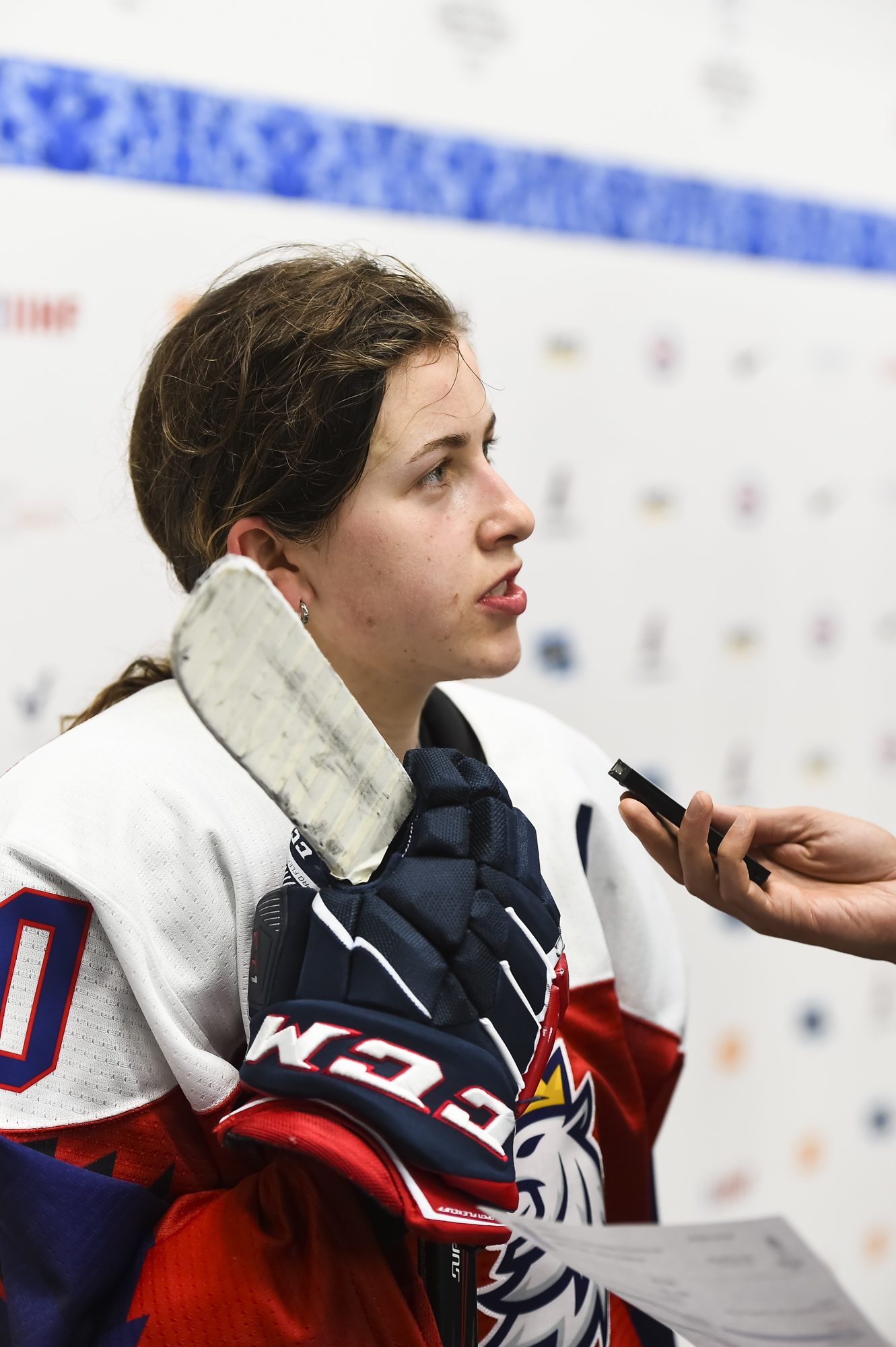 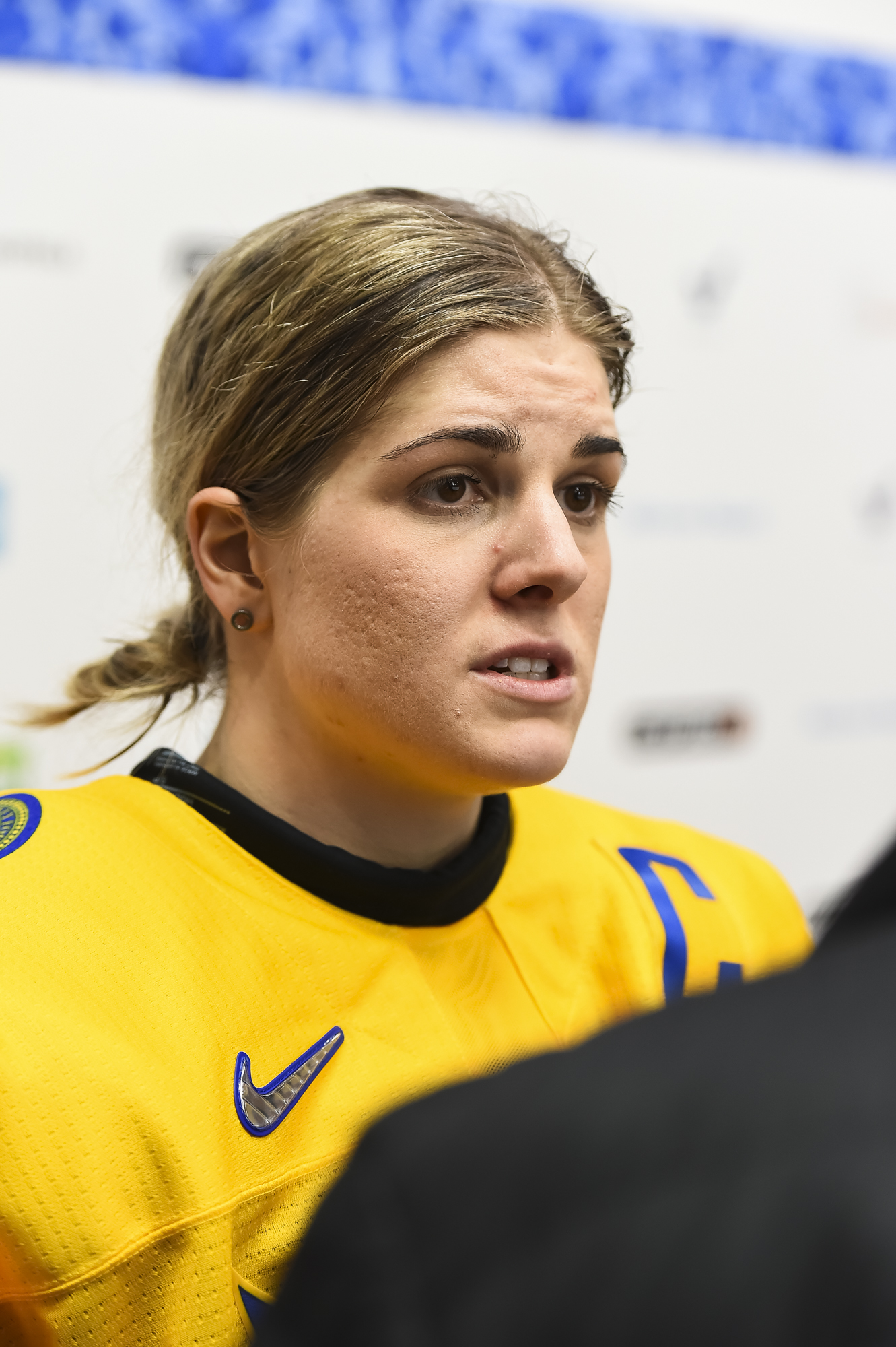 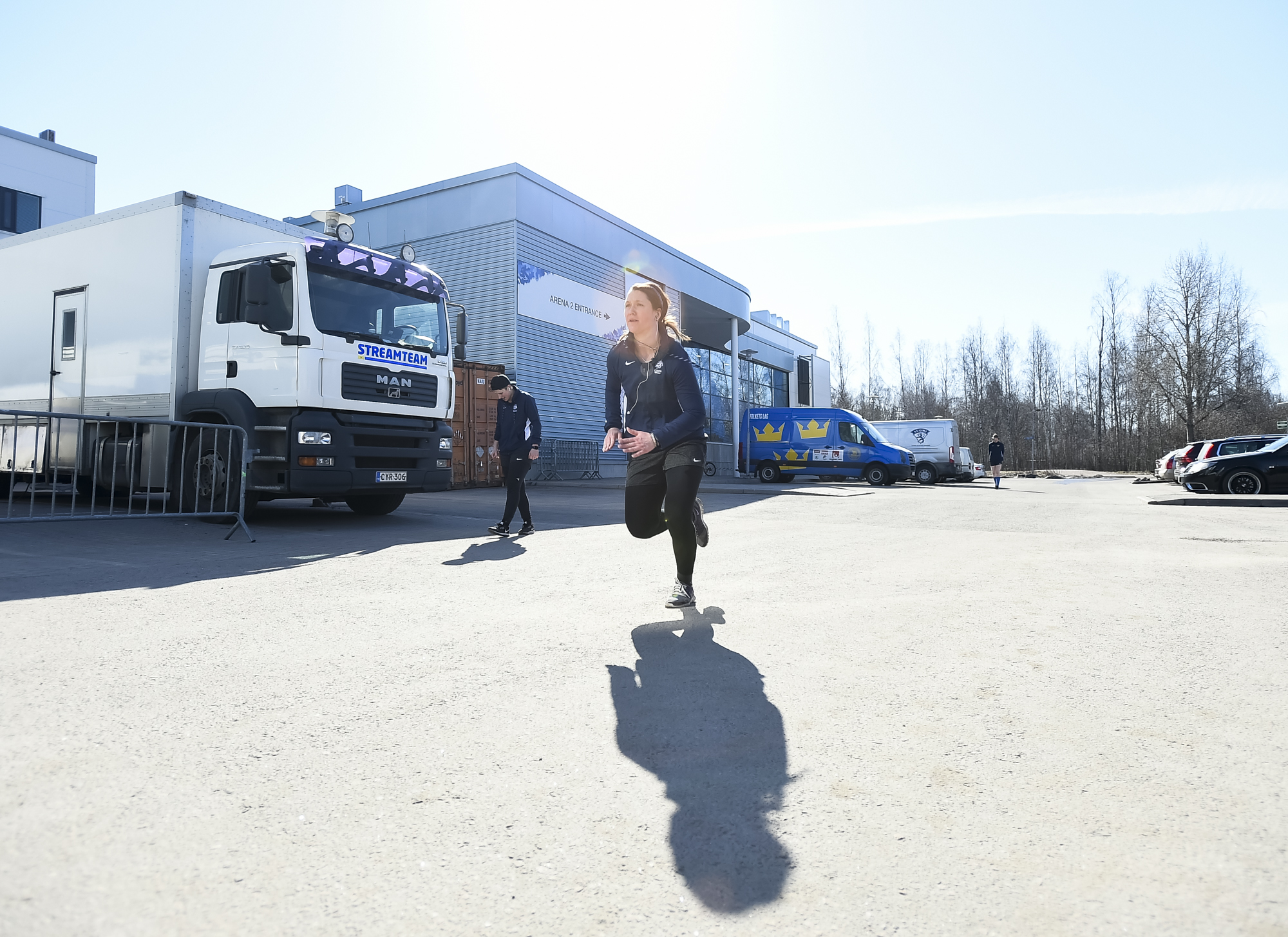 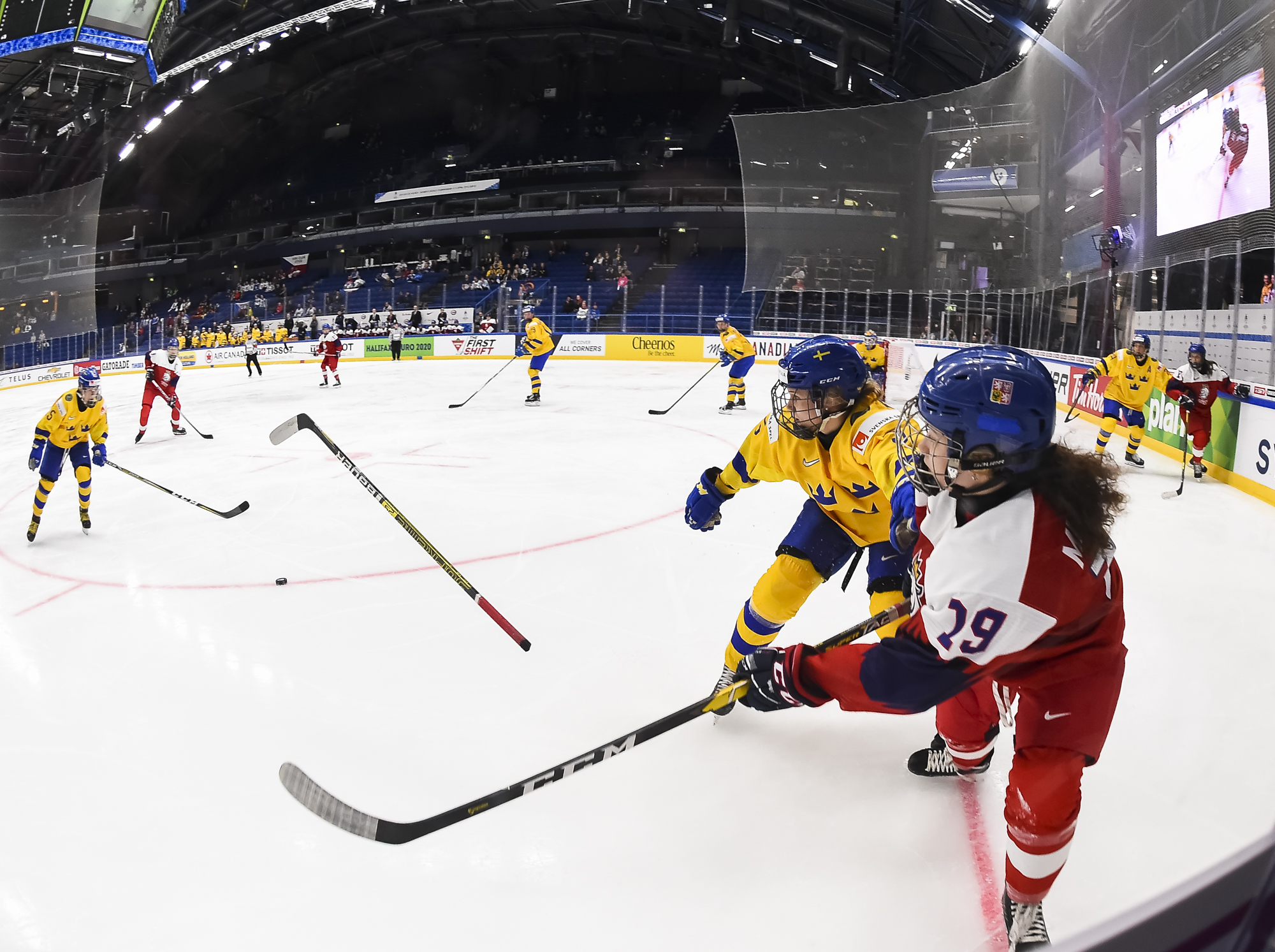 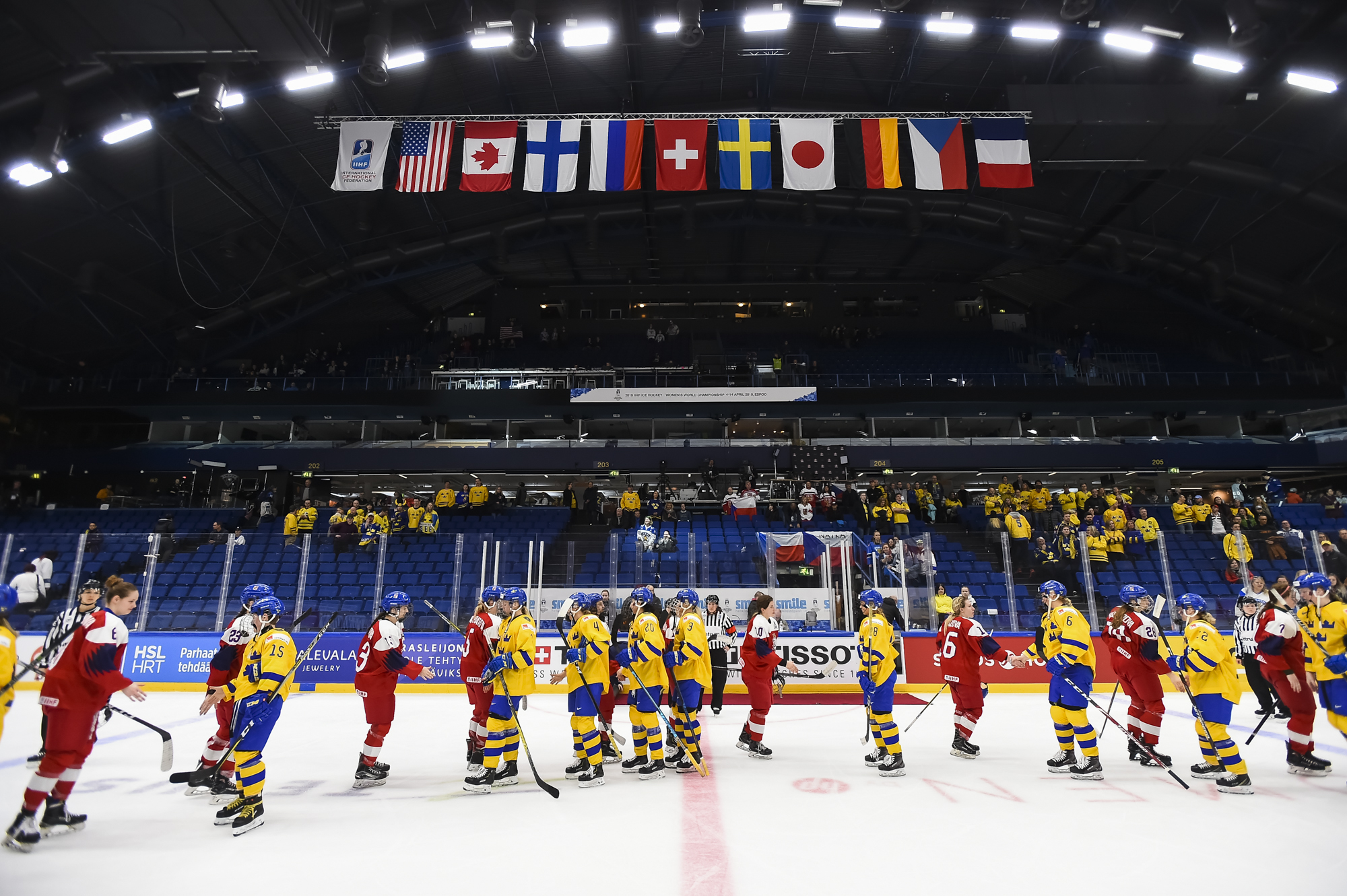