The United Nations just ranked Finland as the world’s happiest country for the second straight year. The Lionesses pumped up the happiness on Saturday night with a 4-0 victory over Russia.

The youthful, speedy fourth line grabbed the spotlight. Viivi Vainikka, Finland's Player of the Game, led the way with a goal and two assists, while Elisa Holopainen and Sanni Hakala had a goal and an assist apiece. Petra Nieminen notched the opening goal.

"We don't think of ourselves as the fourth line," Holopainen said with a smile.

So far, every Finnish goal at this home-ice tournament has come from a player aged 21 or under, which is both promising and a little problematic.

Unlike the opener against the defending champion Americans, where Finland carried a 2-1 lead into the third period but lost 6-2, coach Pasi Mustonen’s team delivered a bona fide 60-minute effort. Shots were 37-18 for the host nation.

"It's a wonderful feeling for a coach to trust the youngest players and see them succeed," Mustonen said. "It's in some way a fulfillment of your coaching career. They are highly skilled. They're top players in the U18. They wouldn't stand a chance to play if they were North Americans. They wouldn't play for three or four more years in this tournament. But luckily, they are Finns! So I can hardly wait till the next Olympics. We may have had our next first line on the ice."

The smart money says this was a sneak peek at the bronze medal game. Russia defeated Finland for bronze at the 2013 and 2016 Women’s Worlds, while the Finns returned the favour at the 2015 tournament and last year’s Olympics in Korea. The Russians also beat Finland in 2001 for their only other bronze.

"I think we played well. We had the puck more and we created a lot," said Finnish assistant captain Riikka Sallinen, an IIHF Hall of Famer.

The Russians applied pressure with an early power play, but the Finns got on the board first at 6:06. Nieminen burst out of the corner along the goal line and roofed it past Merkusheva for her second goal in as many games. Chants of “Suomi!” echoed through Metro Areena, with 4,723 in attendance.

Russia got a late first-period 5-on-3 for 24 seconds when Susanna Tapani went hard to the net and fell on top of Merkusheva. However, Alexei Chistyakov’s team couldn’t cash in.

In the second period, Sallinen – the oldest Women’s Worlds player ever at age 45 – set up Nieminen for a gorgeous power-play chance on the power play, but Merkusheva said no with the glove.

The home side kept forcing Russia into penalties – four in a row. From the whirling dervish assault of the youngsters to the heavy forecheck of the Sallinen trio, the Russian net was under siege. Five-time Finnish league scoring champ Linda Valimaki put one through the crease, and Merkusheva made another great glove save on Tapani. At the other end, Raty denied Maria Batalova on a partial break late in the period.

"We had 16 good scoring chances on the power play," Mustonen said. "So we need somebody to put it in. Naturally, you can always cover the goalie better. It's the supportive measures we have to do. It's about the last shot all the time."

Sallinen added: "Now we are creating and we try to find those nice passes so that someone can score in the empty net. But dirty work, rebounds...I think that's the key point. We don't have to do those nice goals. We just have to put the puck in the net."

Just after the one-minute mark of the third period, Merkusheva stopped Nieminen's backhand attempt on a clear-cut breakaway. Drums pounded in the crowd like the pulses of Finnish fans wondering if their team would ever extend its lead. The answer was "Yes!"

At 3:07, the fourth line came through again. Vainikka took the puck to the net, Holopainen followed up, and Hakala hacked in the rebound.  The goal was video-reviewed extensively for goalie interference and ruled good.

Finland made it 3-0 at 6:30. Hakala won a footrace into the corner and centered the puck to Vainikka, who made no mistake and launched into an arm-flapping celebration. The building had come alive by now.

"They are just awesome," said Sallinen. "They play nice hockey. As a spectator, I can just imagine how nice it is to watch them play. That energy, it's like we older ones just have to follow them!"

Vainikka was the playmaker on the fourth goal, slipping it cross-crease to Holopainen, who put it in at 7:53, after the two teens got behind the Russian defence. Although the score certainly wasn't her fault, Merkusheva was yanked in favor of Anna Prugova.

"The atmosphere is fantastic," Mustonen said. "We may be pretty dangerous later in this tournament. It's a mini-marathon, seven games, and we're just in the beginning of the tournament."

The win boosted Finland’s all-time Women’s Worlds record versus Russia to nine wins and four losses. The Finns face Switzerland next on Monday, while Russia battles the Americans on Tuesday.

Of the Swiss, Sallinen said: "They have a good goalie and a couple of very skilled players. We have to keep a special eye on them and then just run our own game."

Russian forward Anna Shokhina served the second and final game of her suspension for a kicking incident at the end of her team’s 3-2 loss to Finland in the 2018 Olympic bronze medal game. The 21-year-old Shokhina, who led the Russians in scoring in PyeongChang (3+2=5), is eligible to return against Canada on Monday. 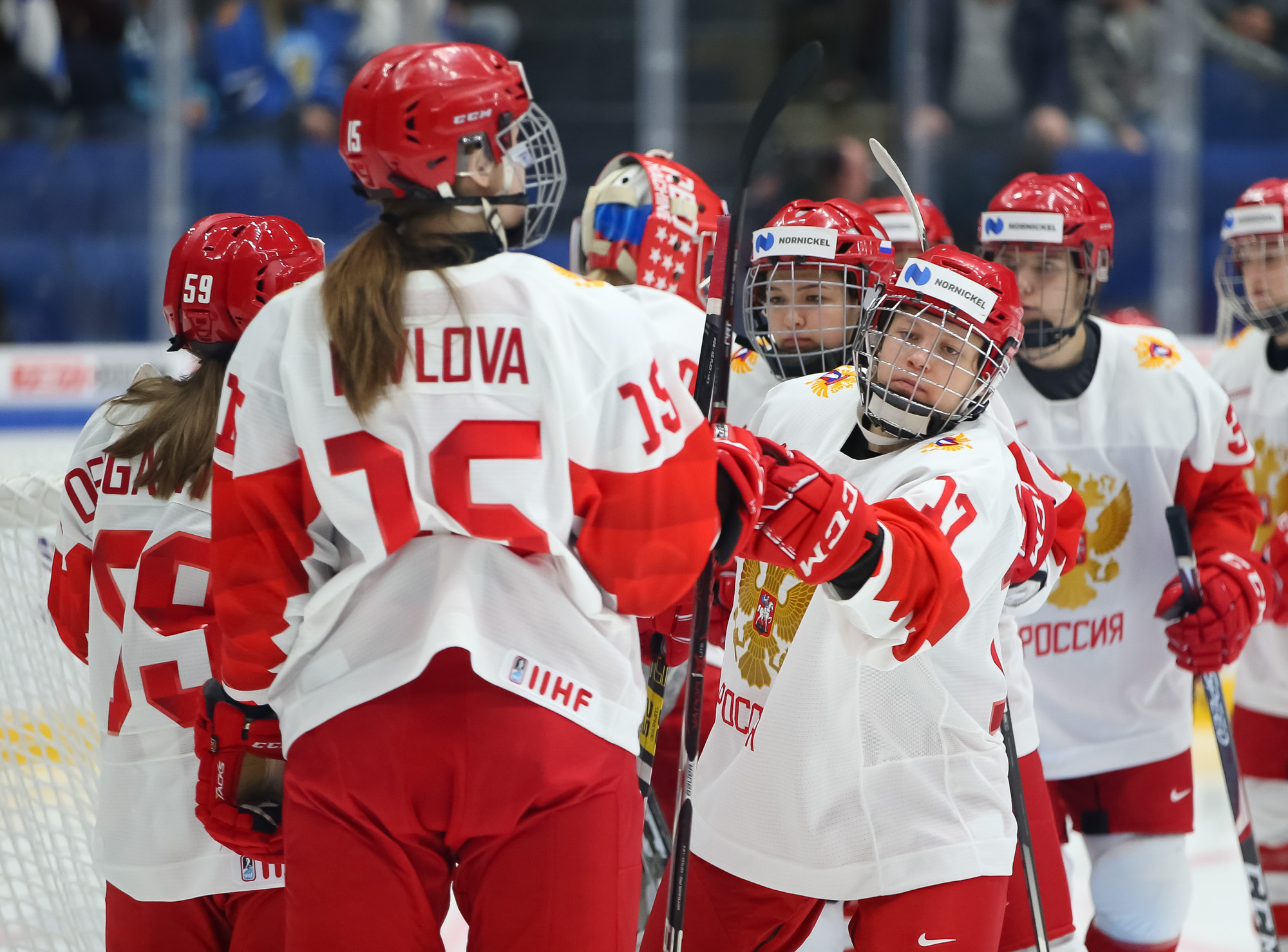 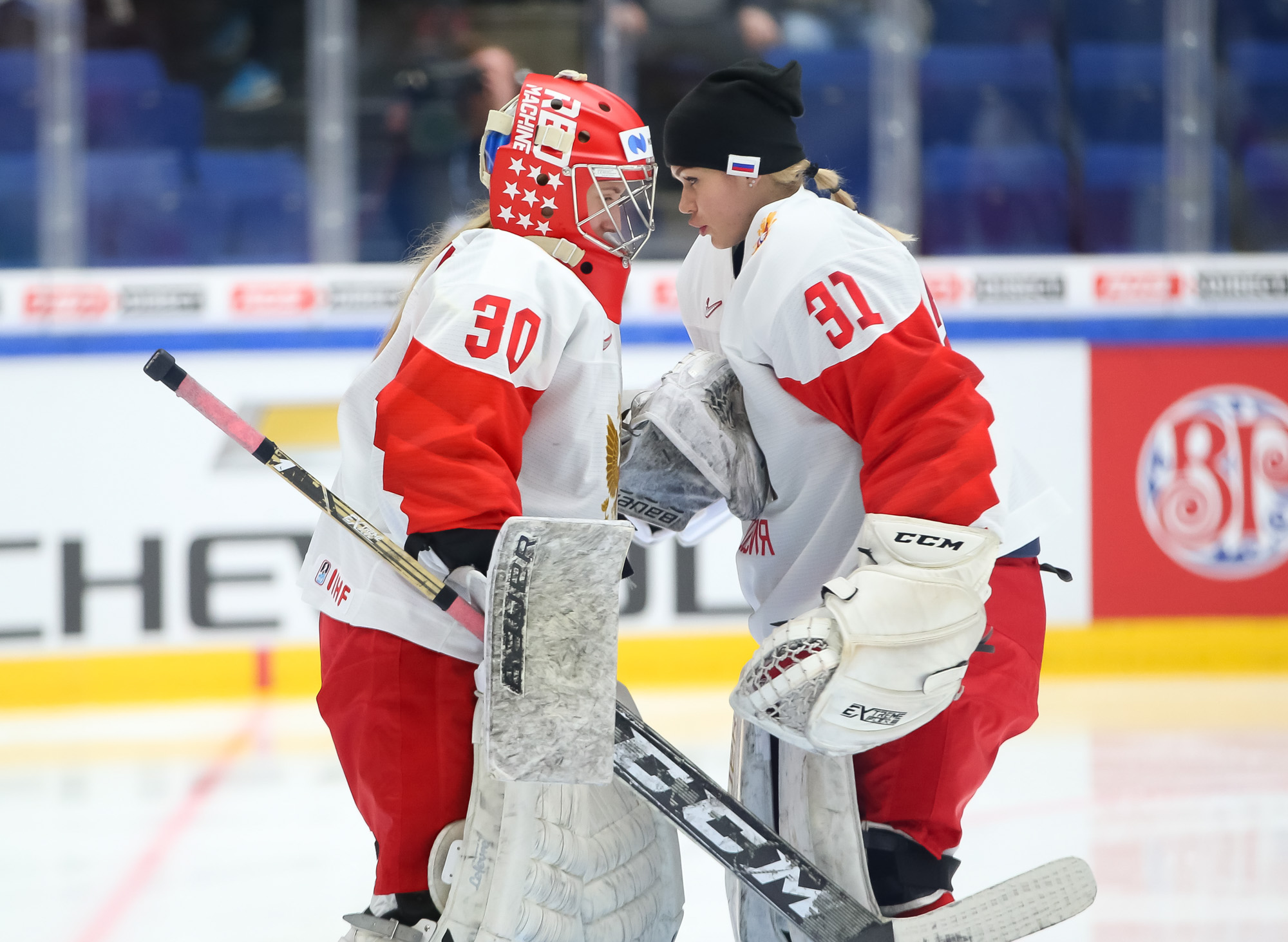 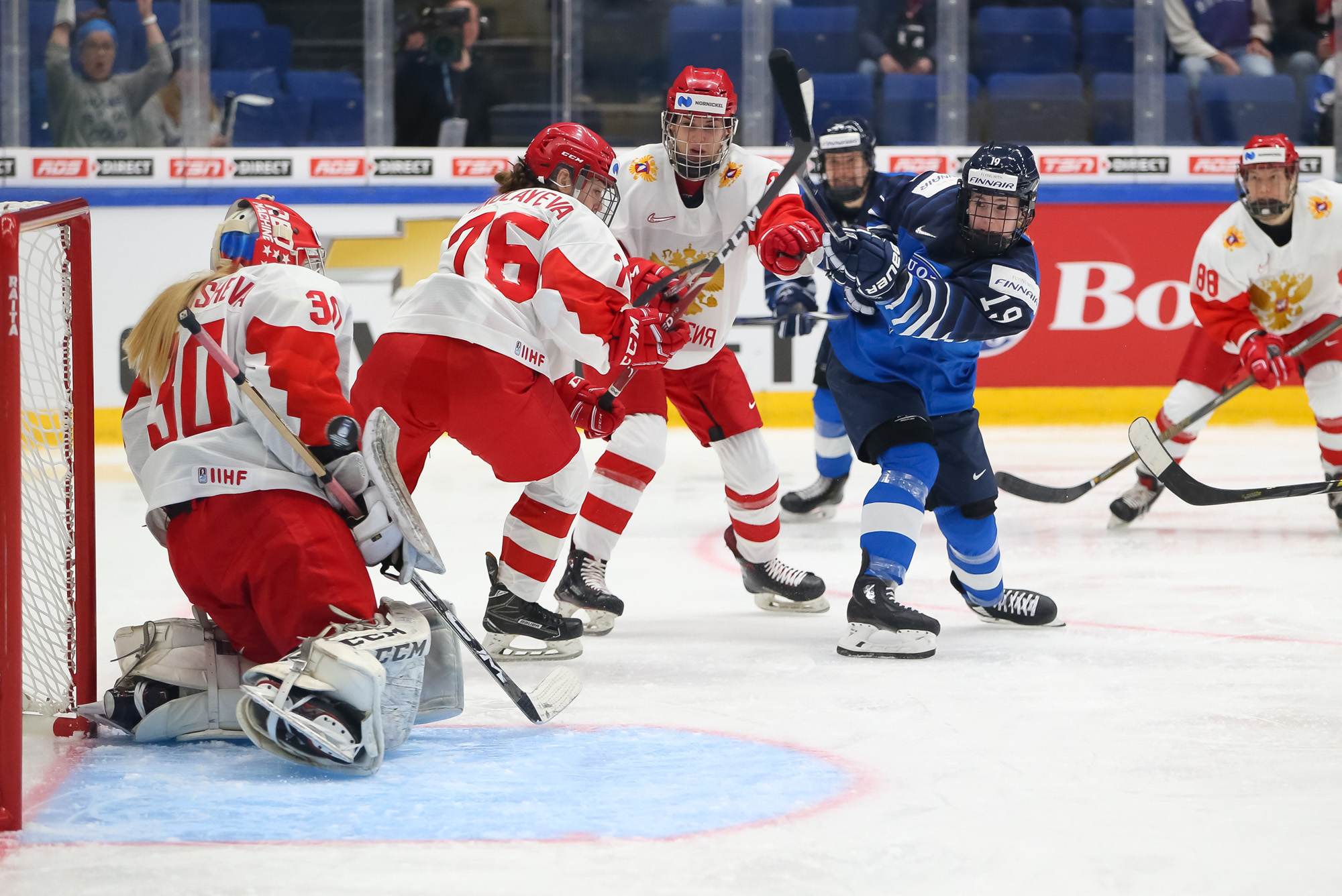 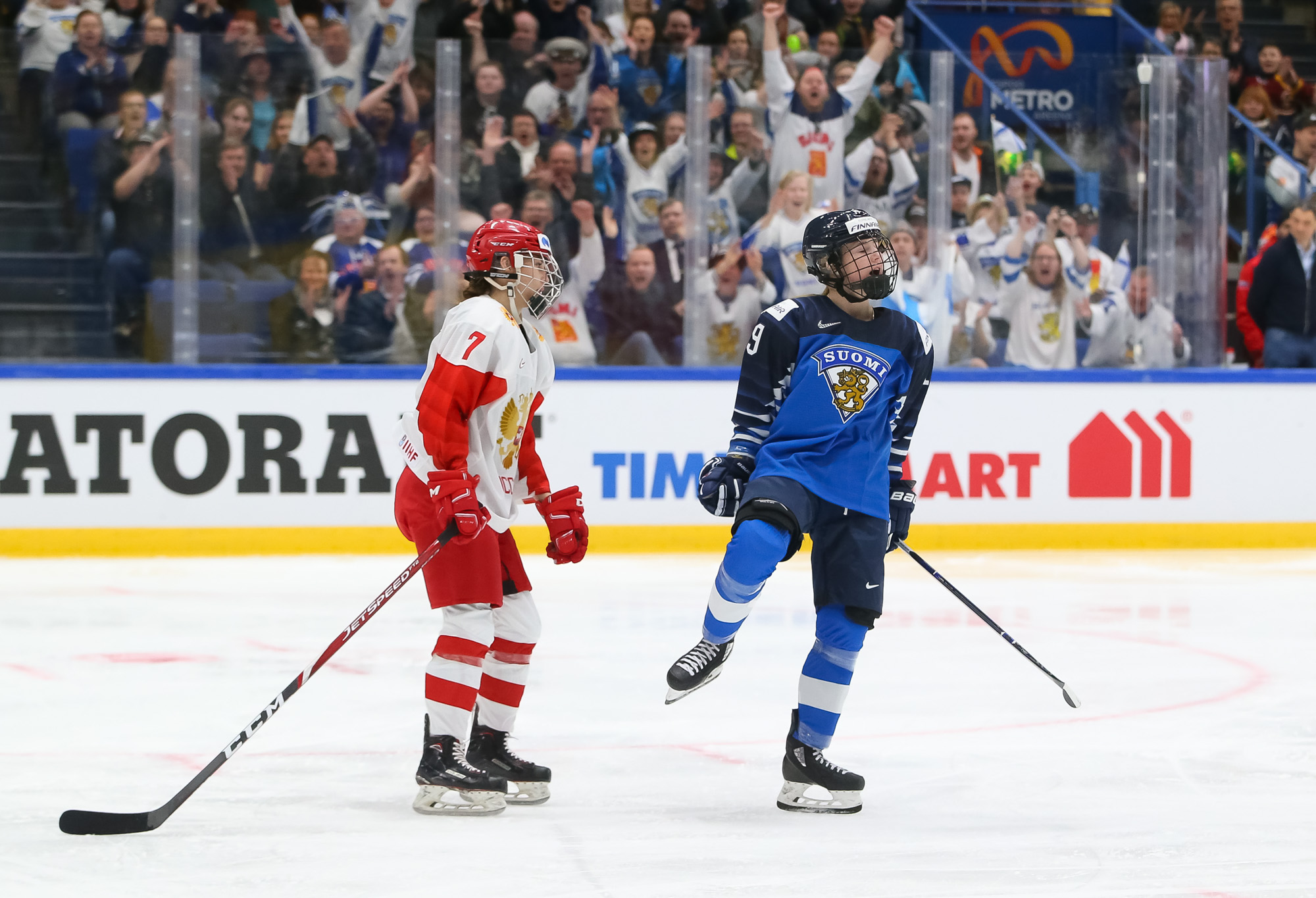 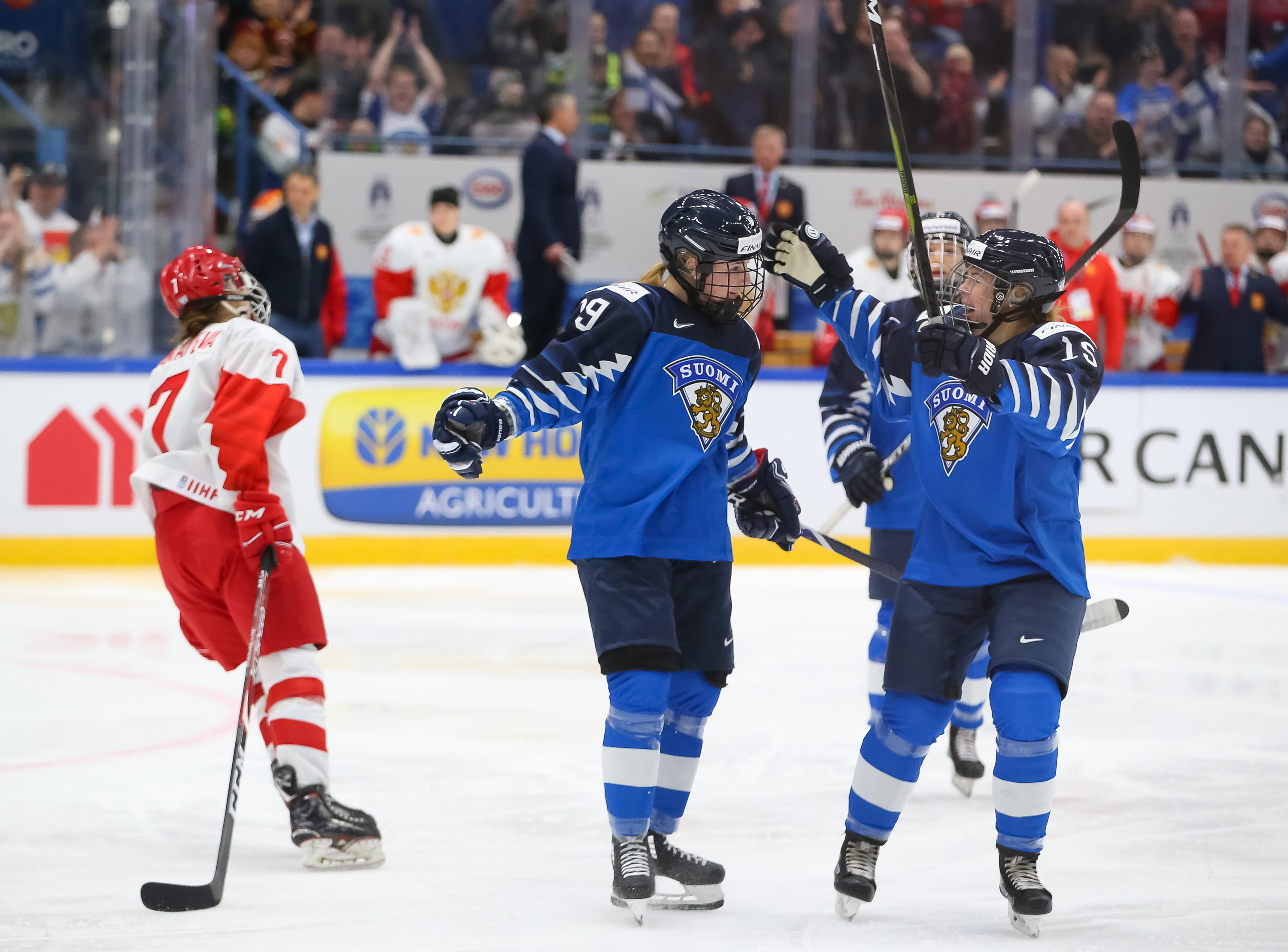 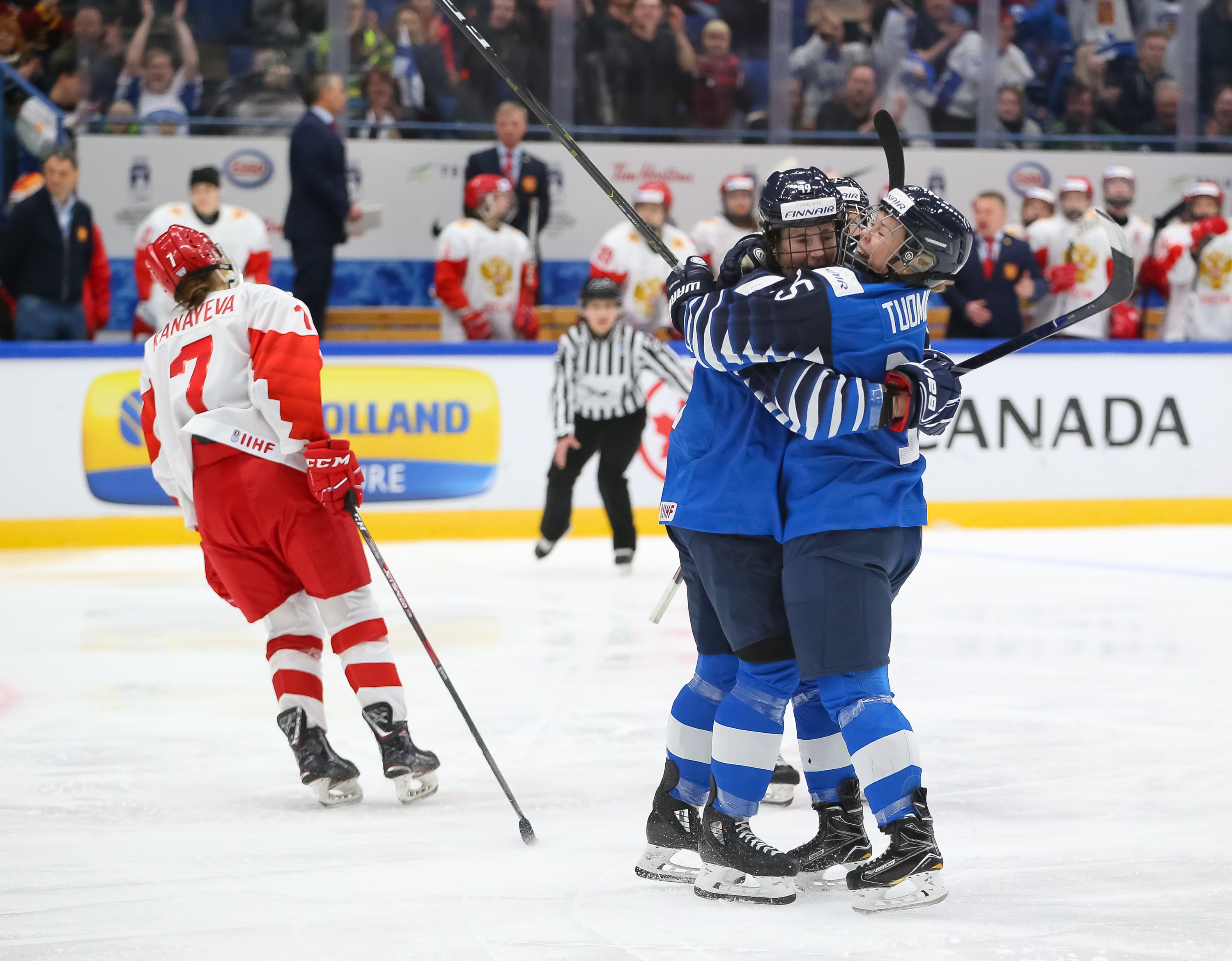 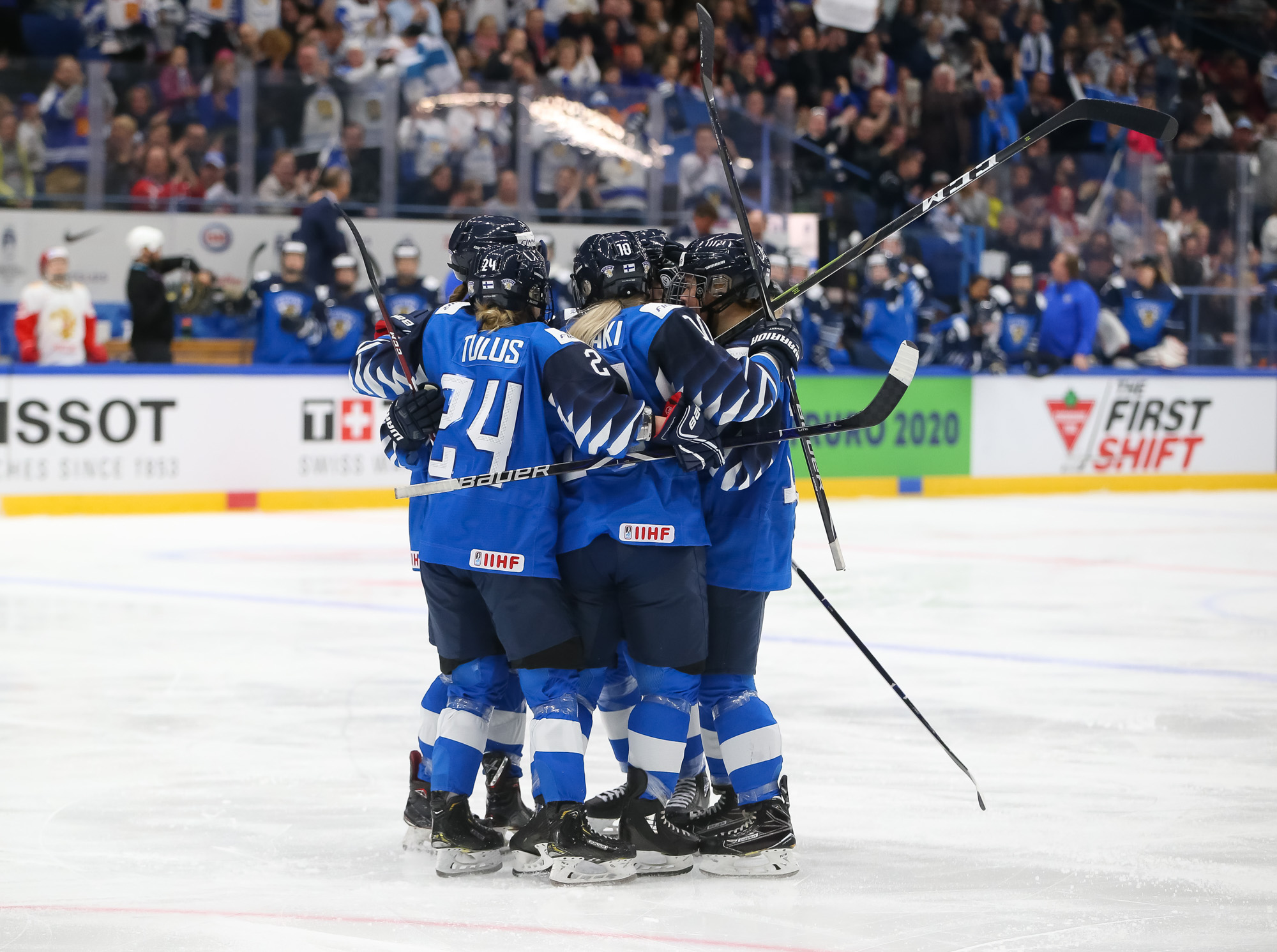 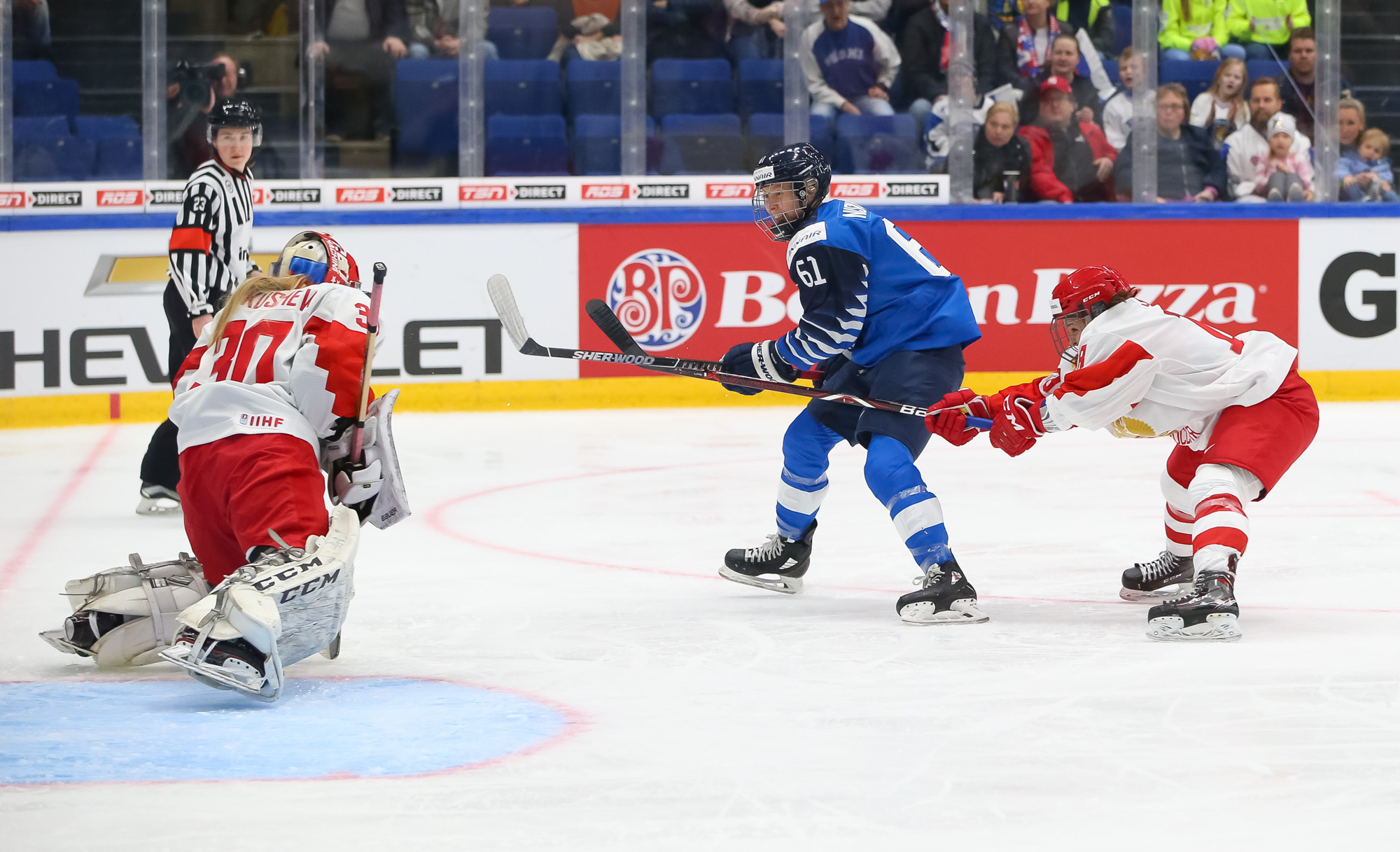 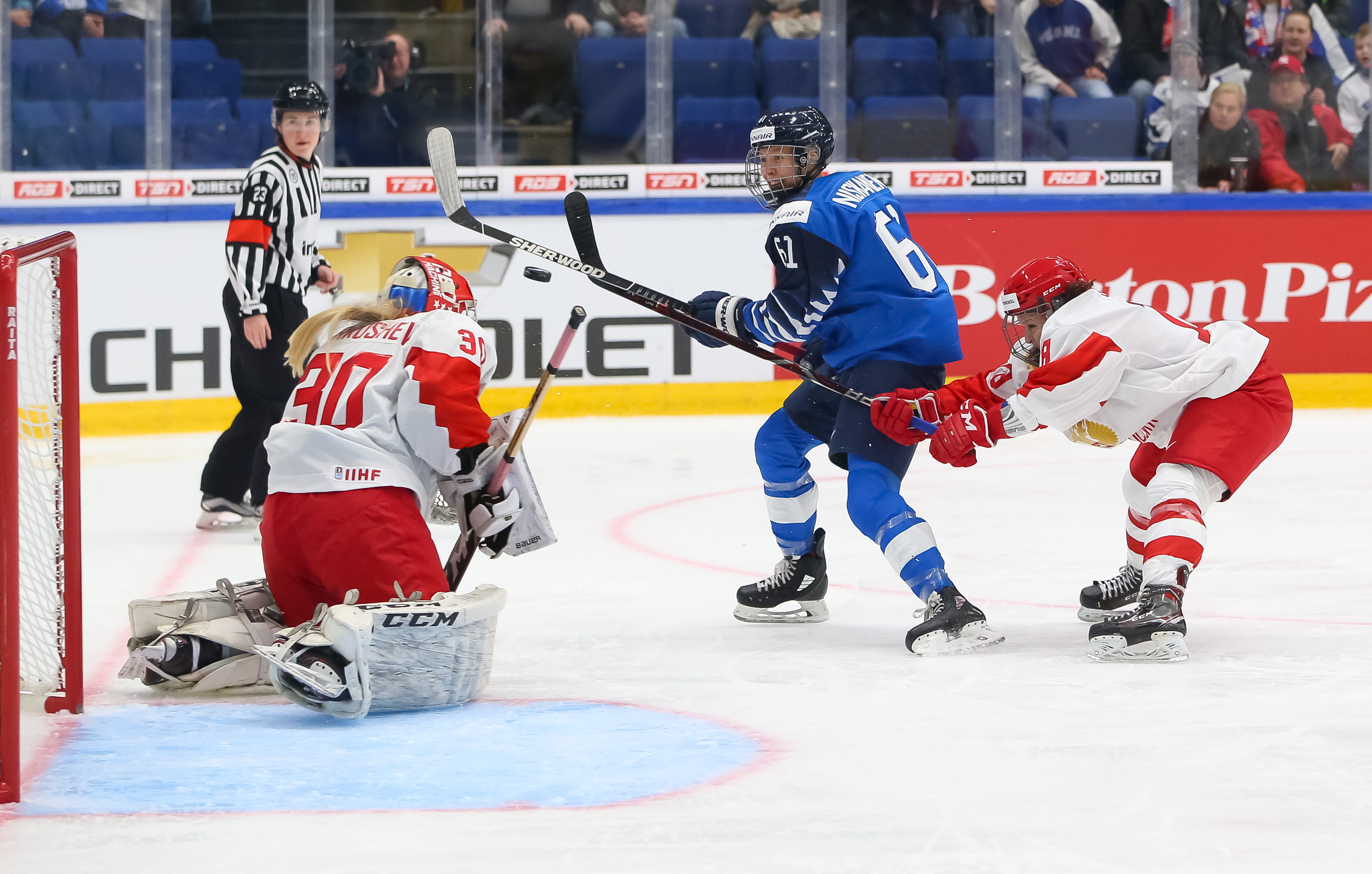 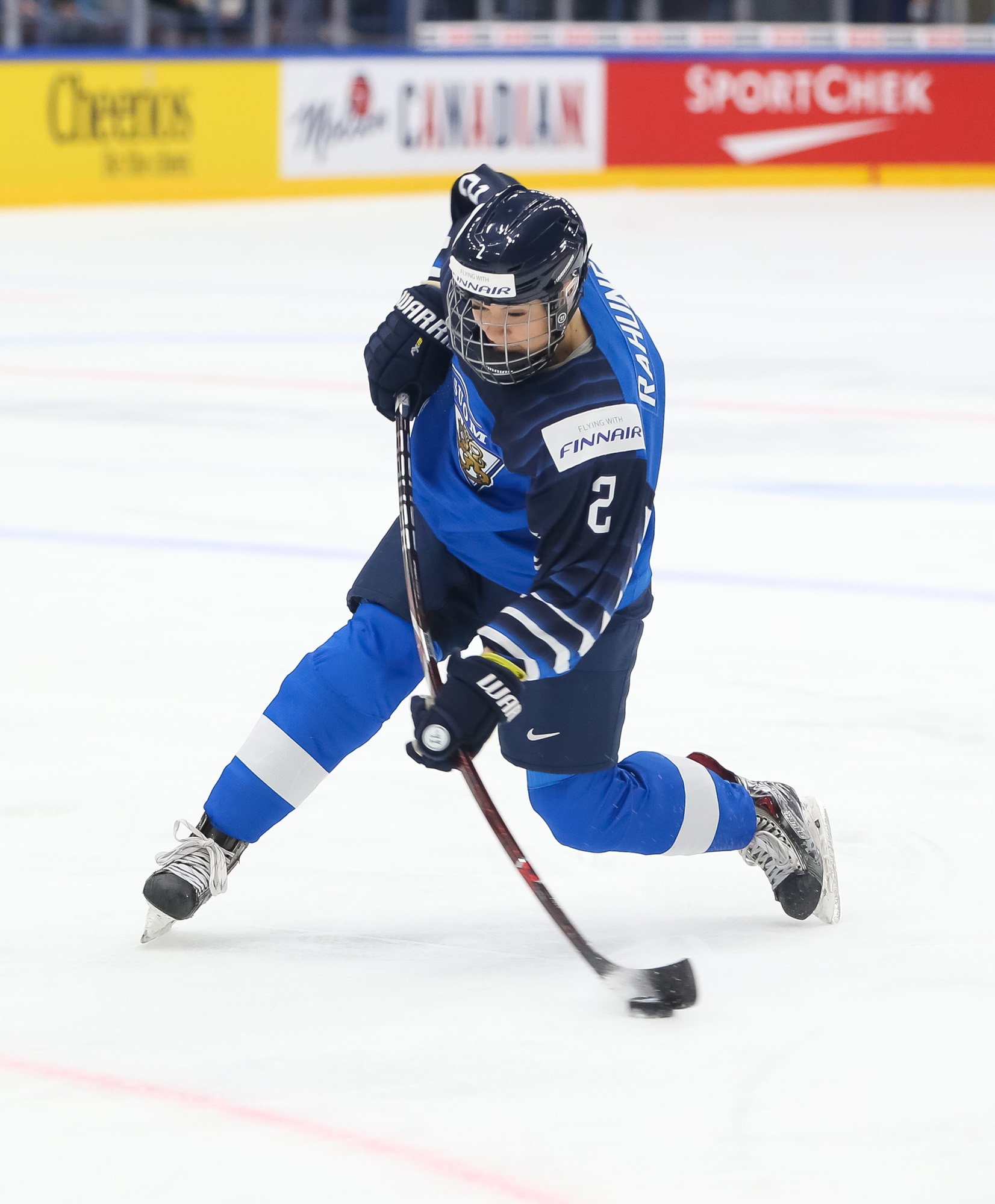 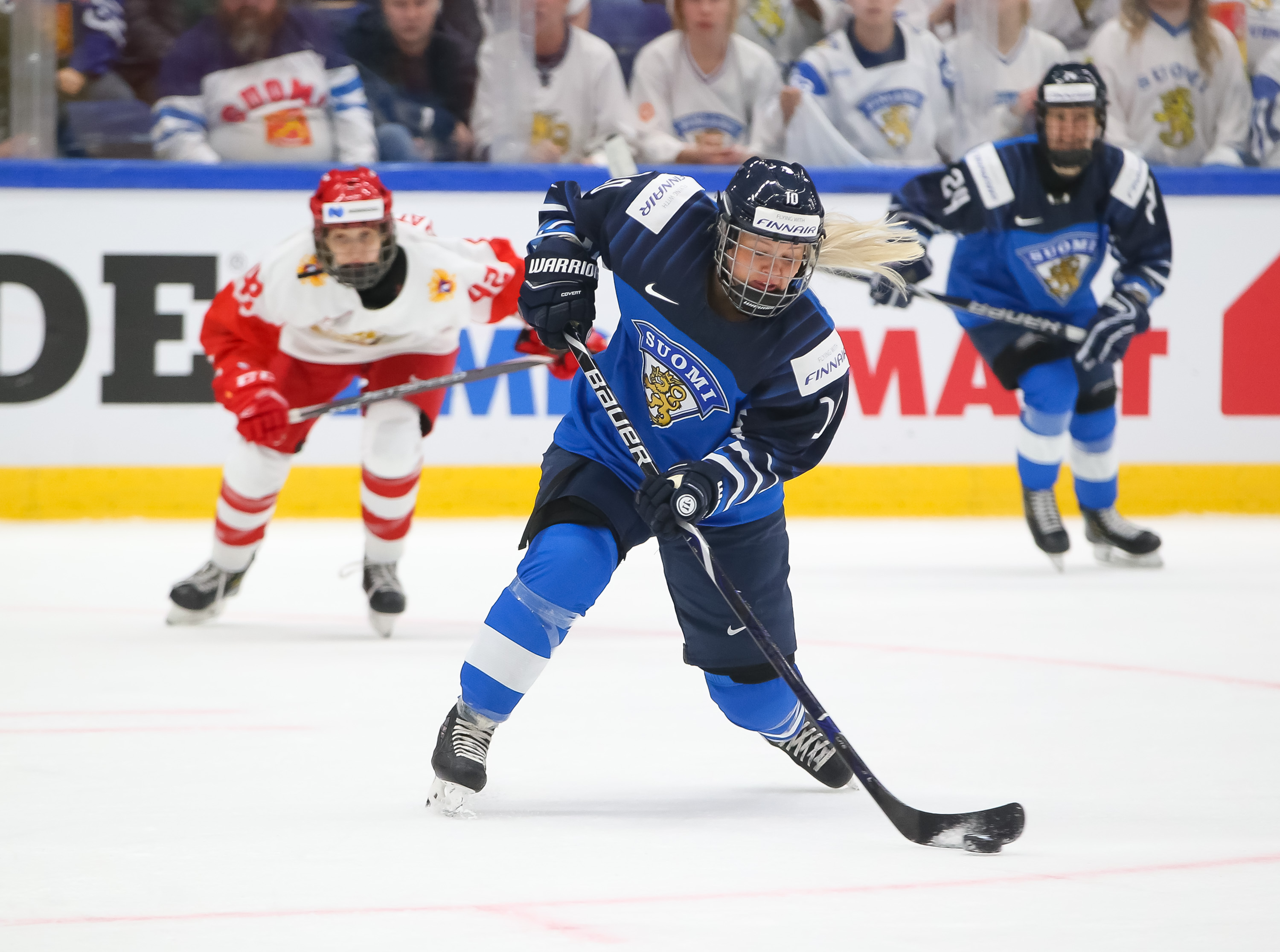 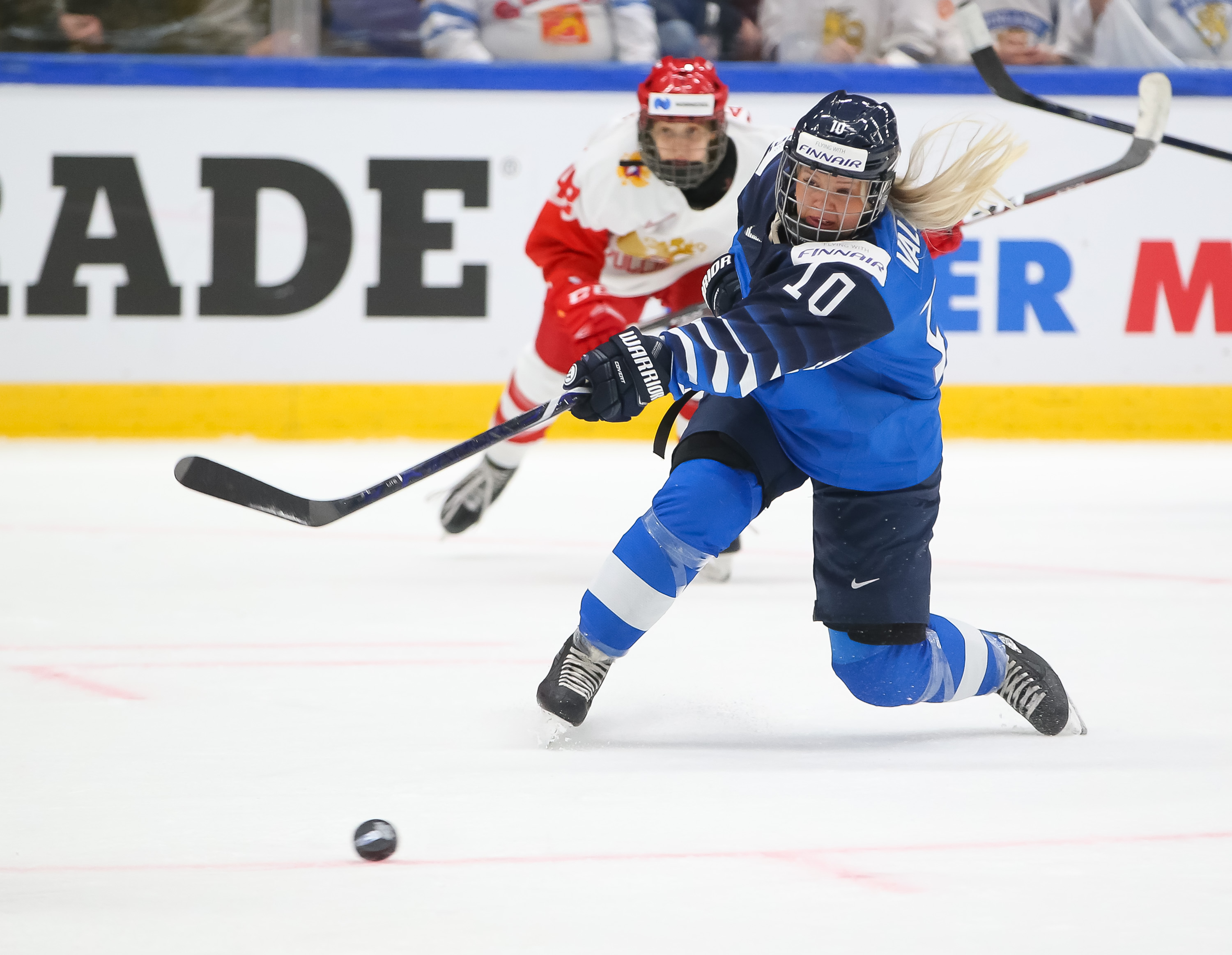 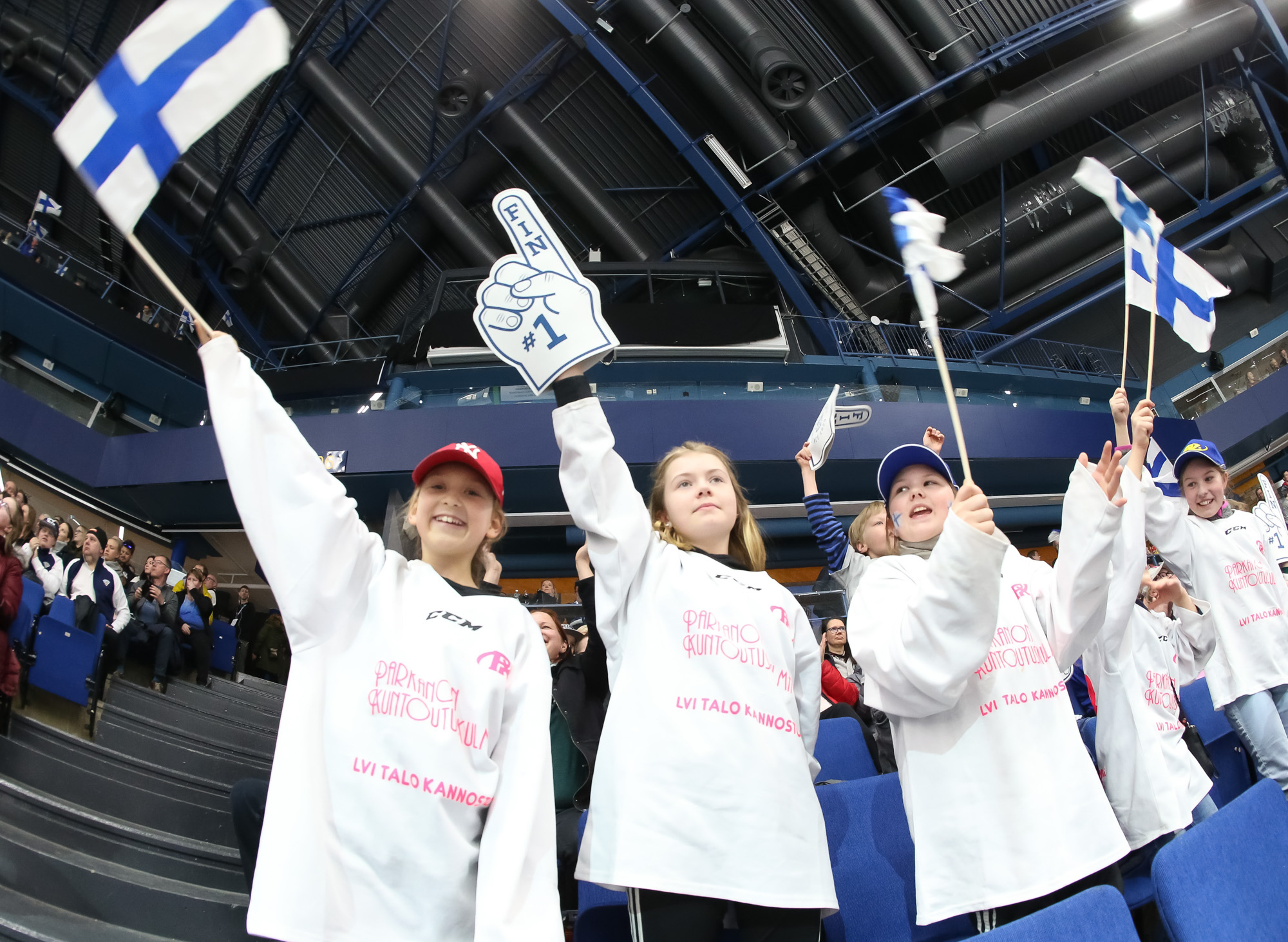 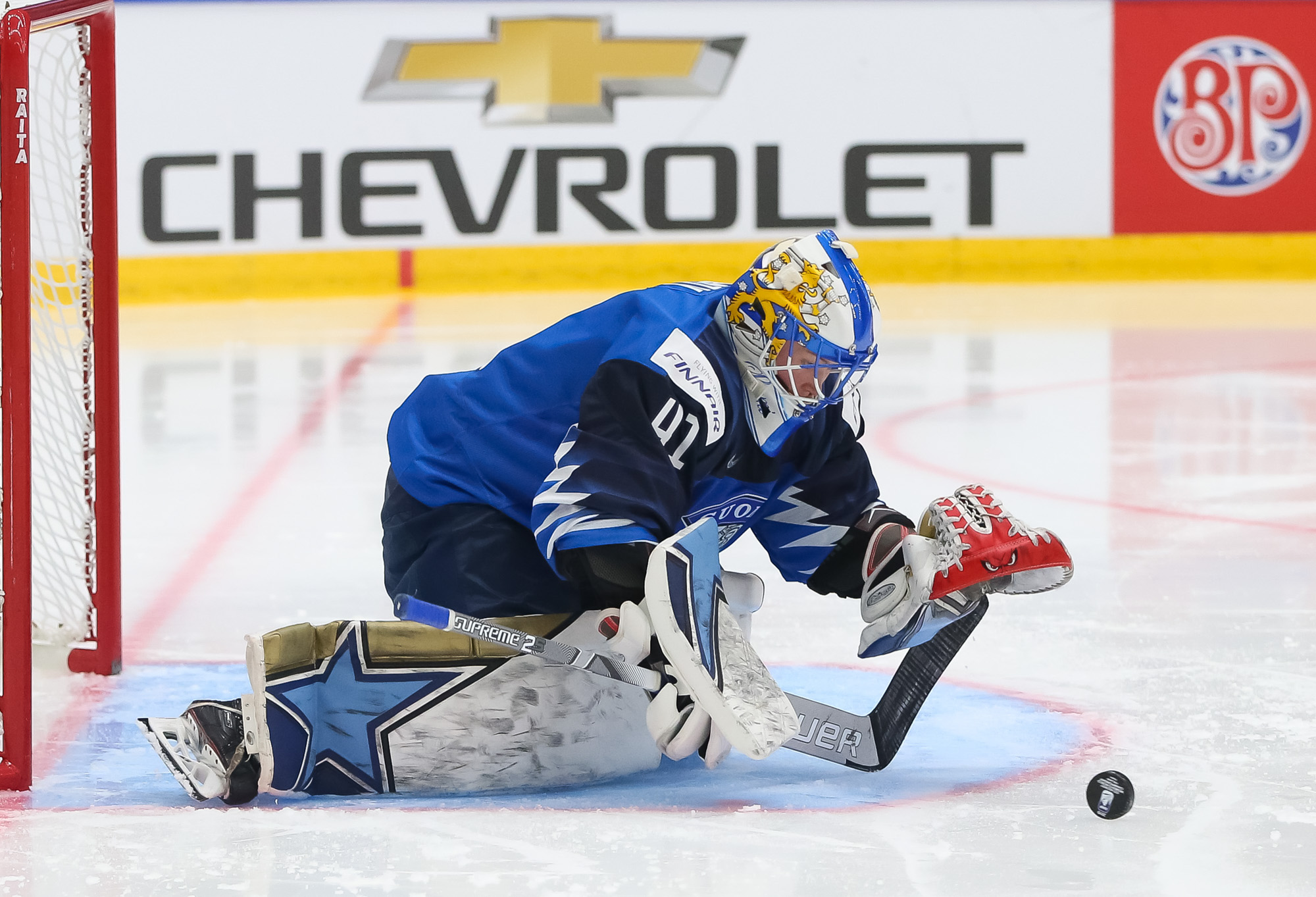 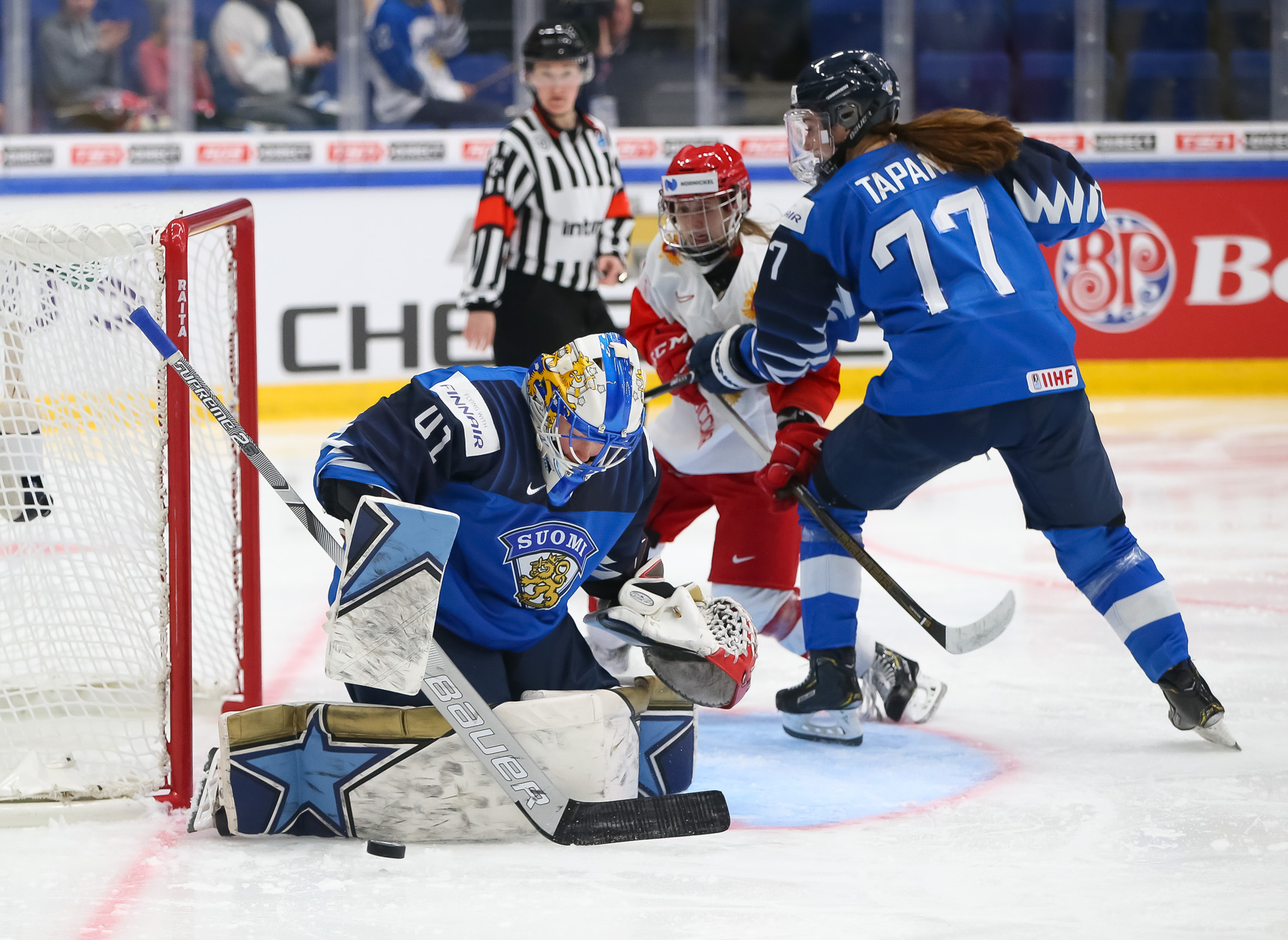 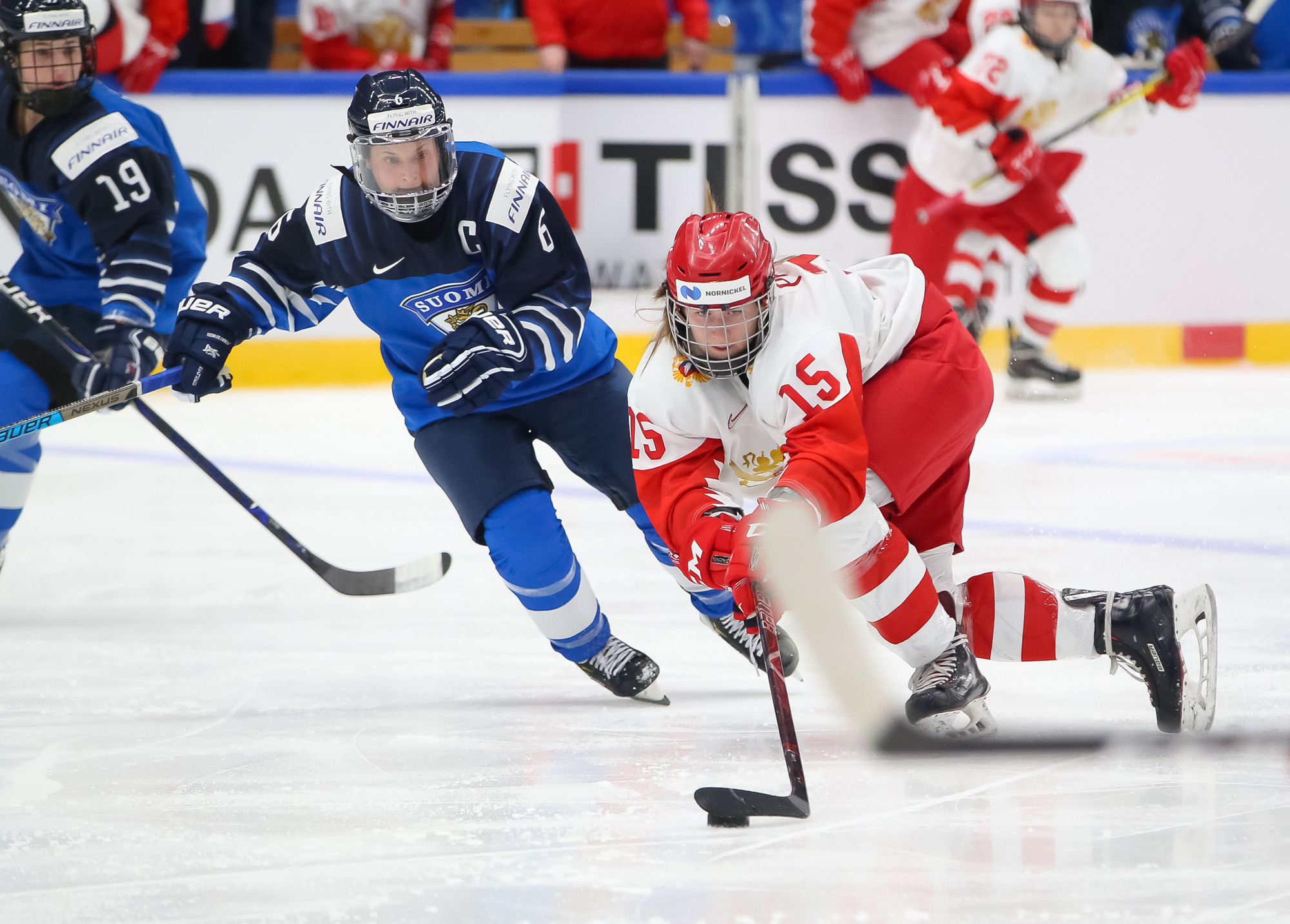 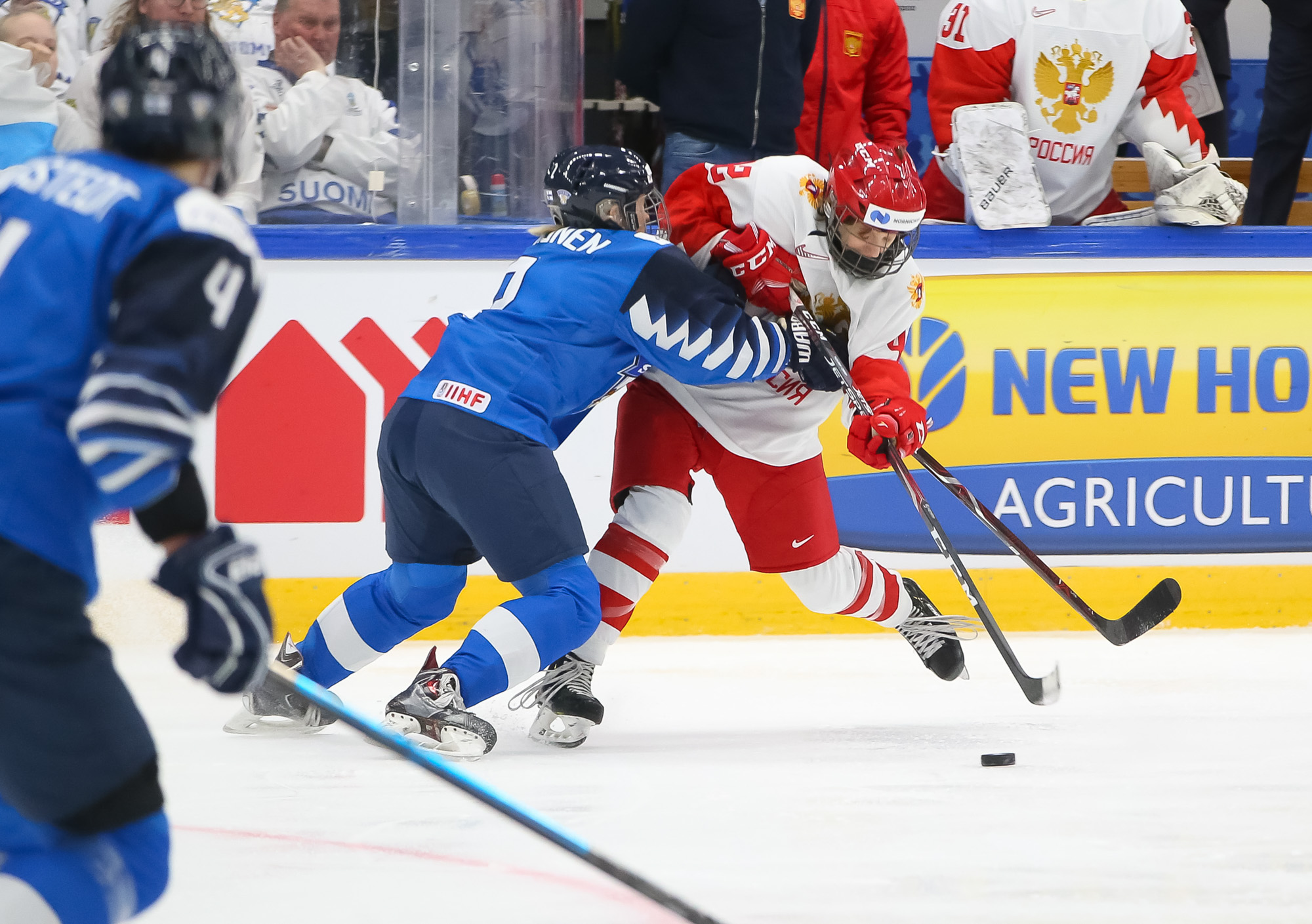 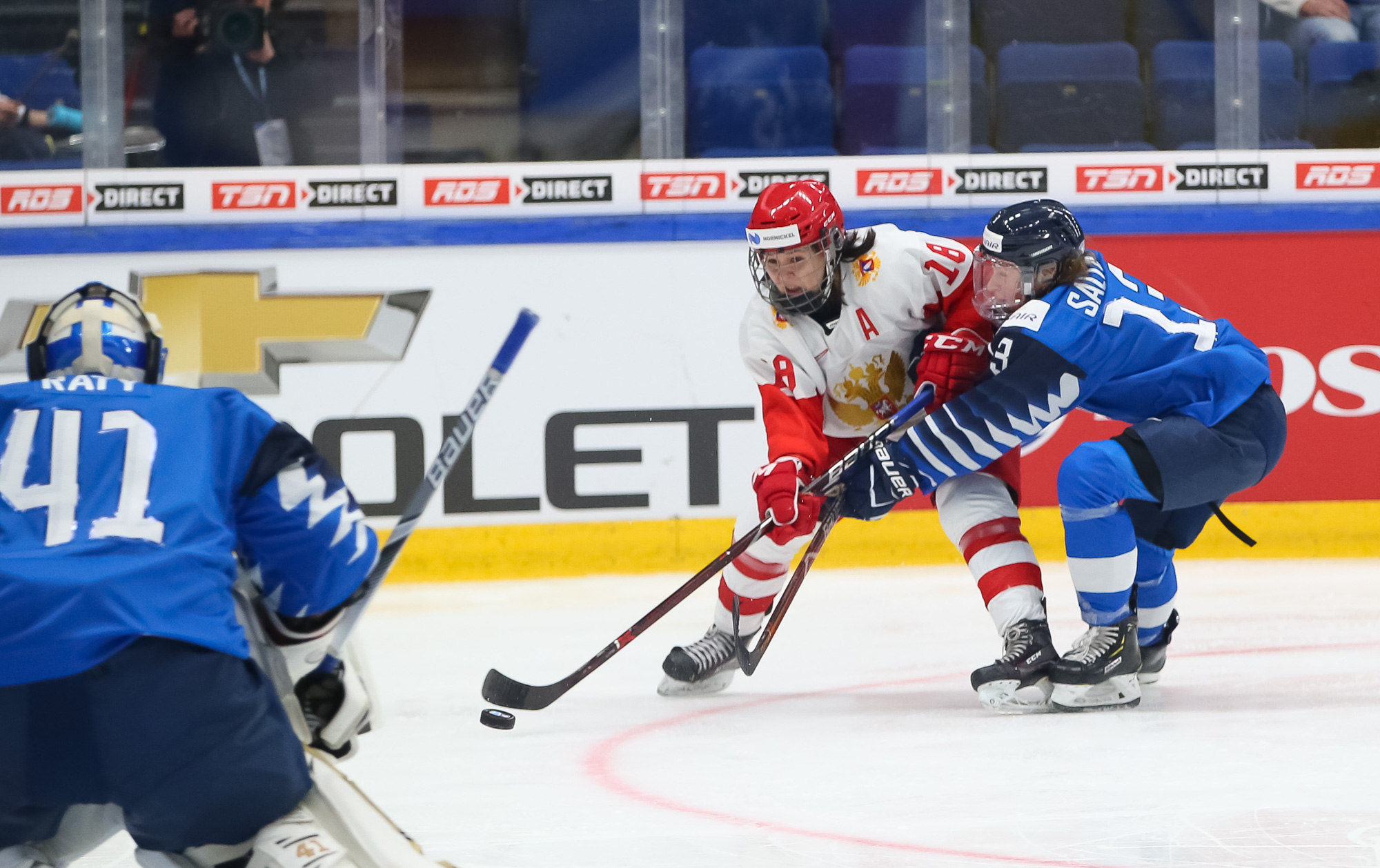 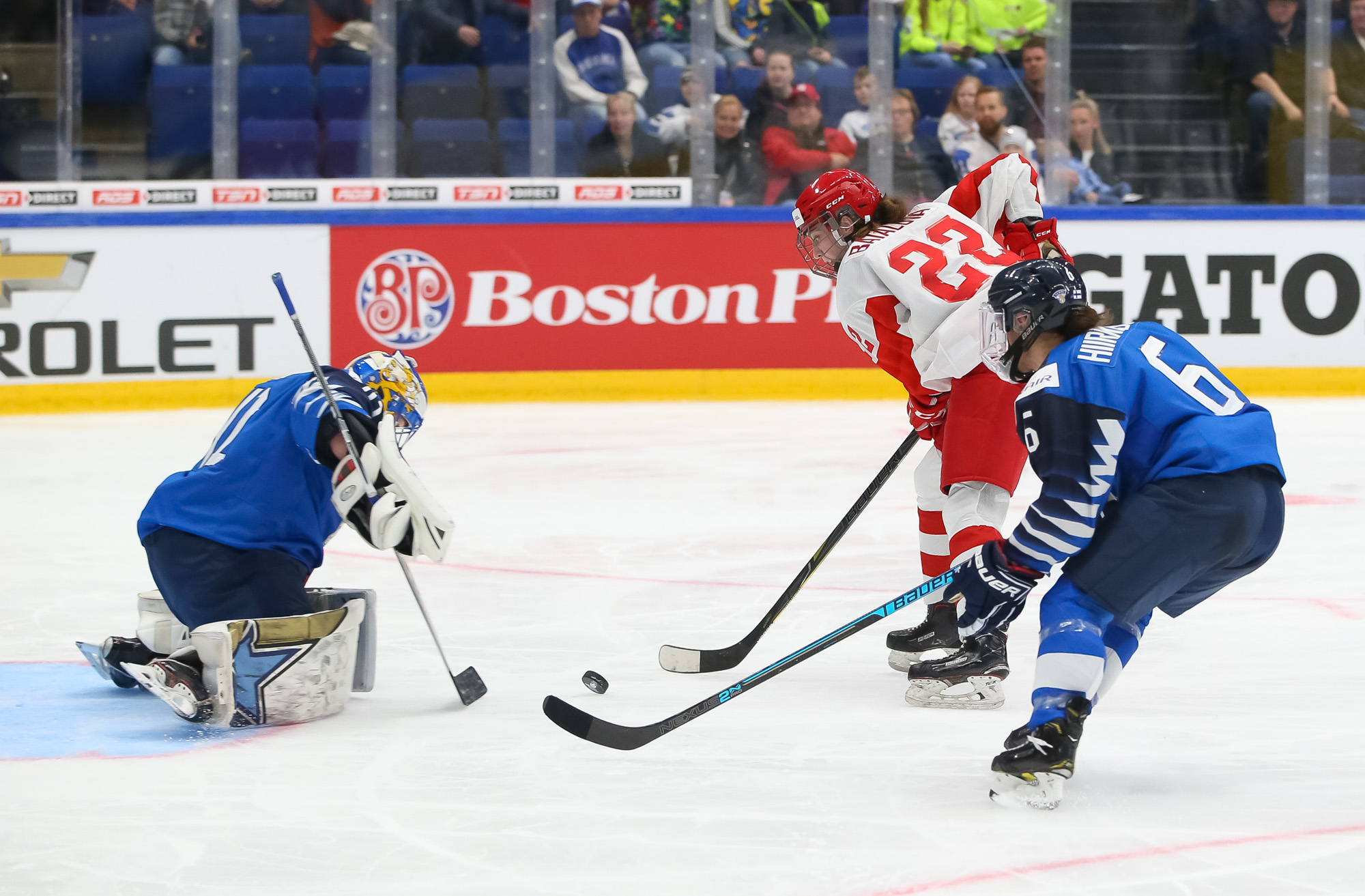 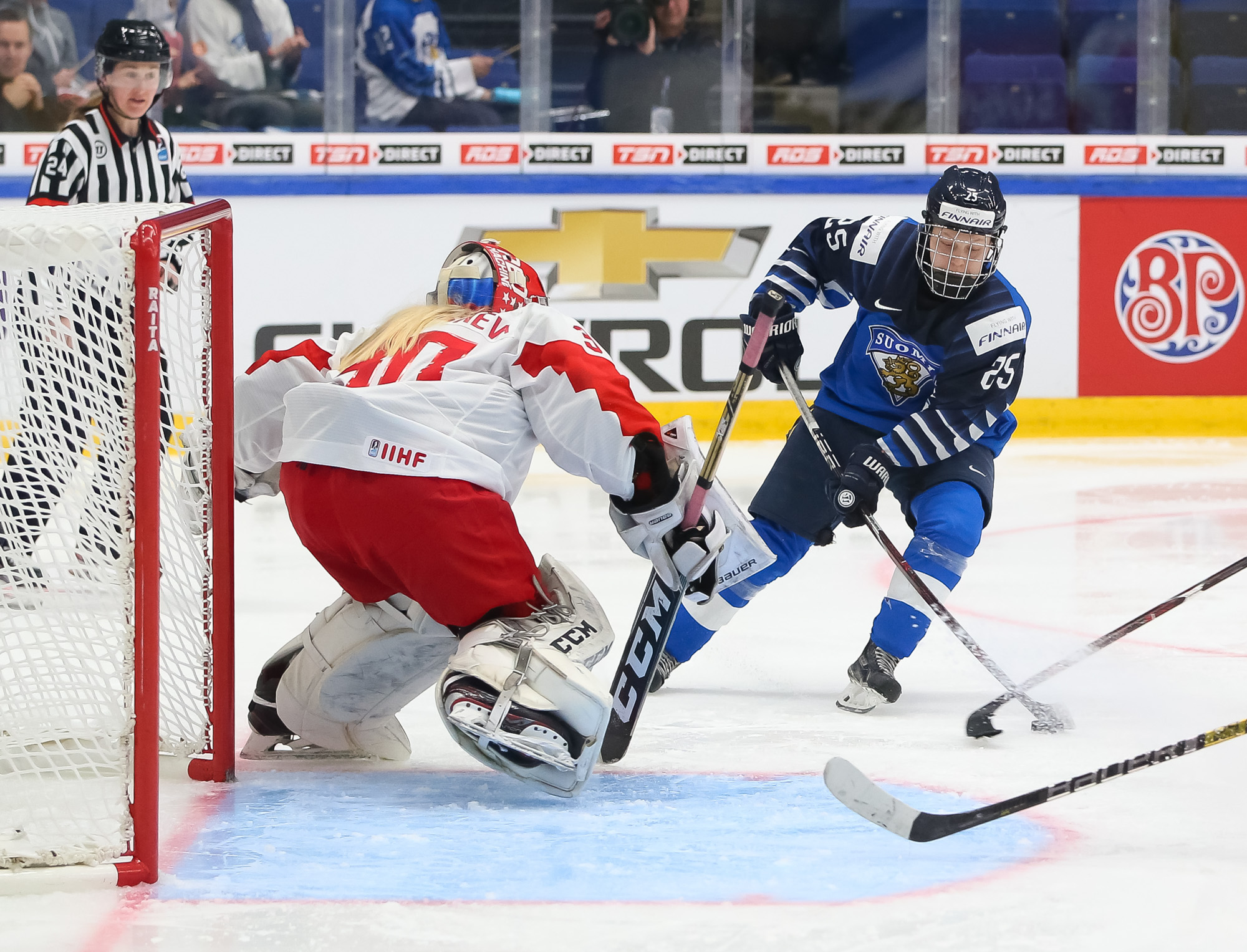 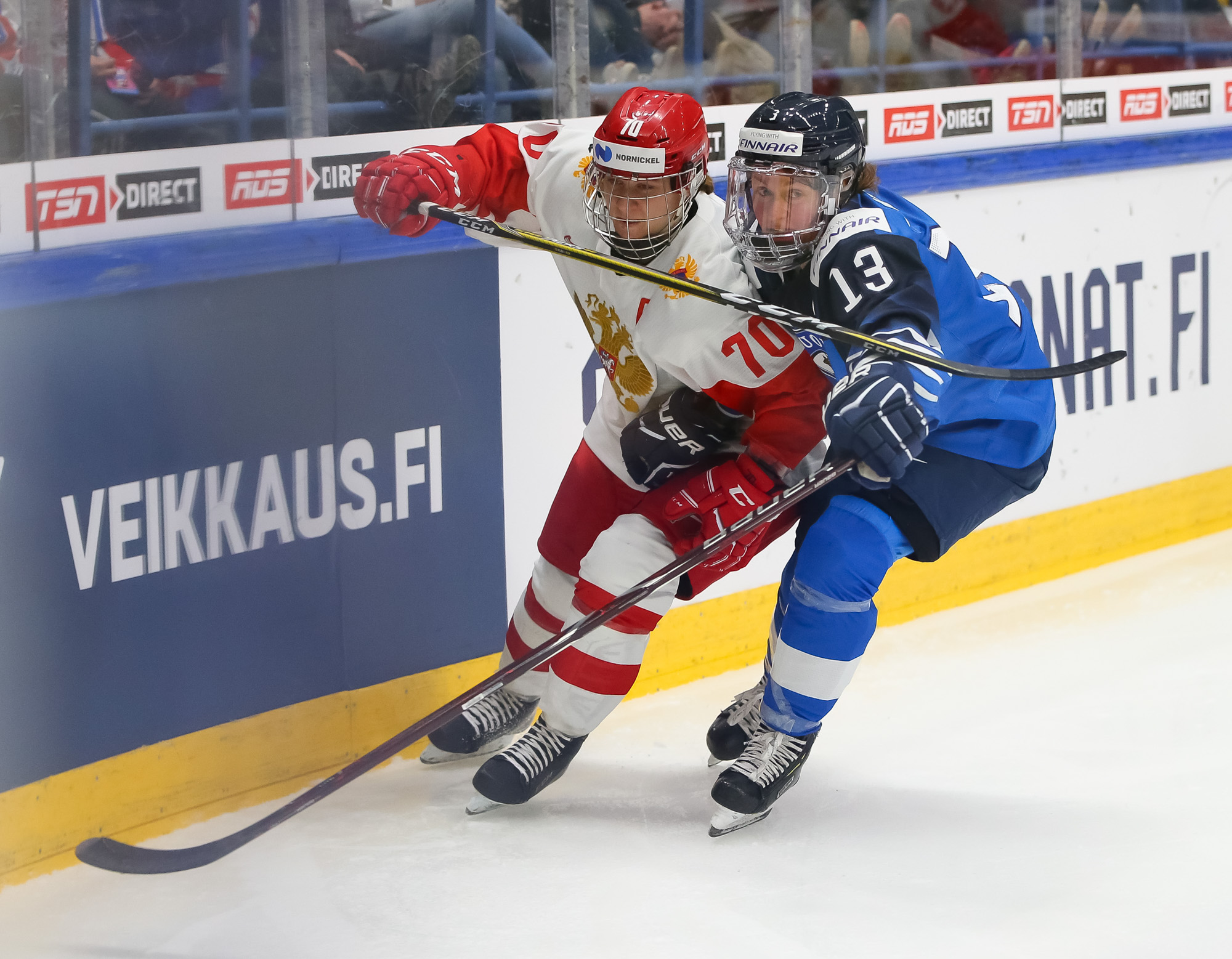 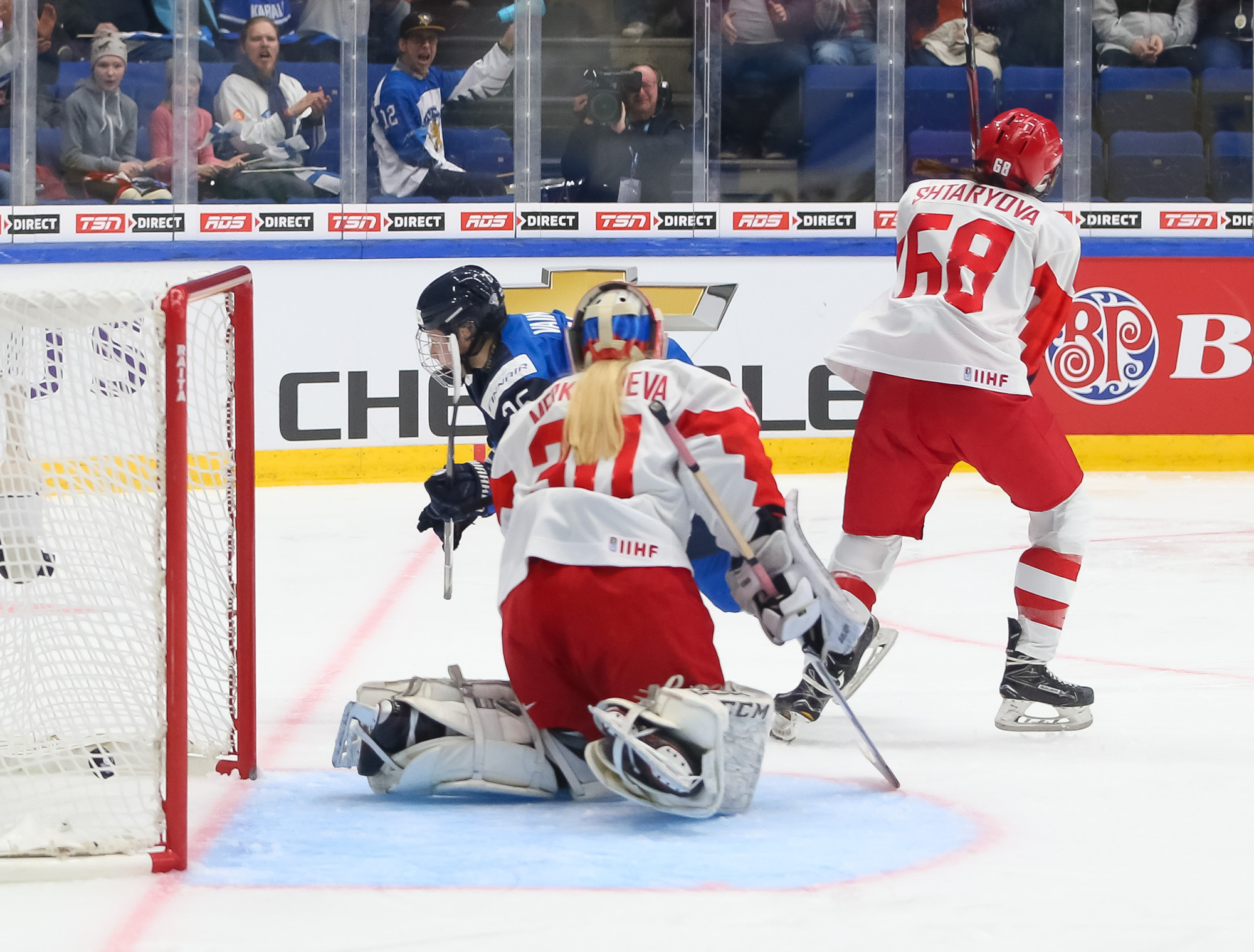 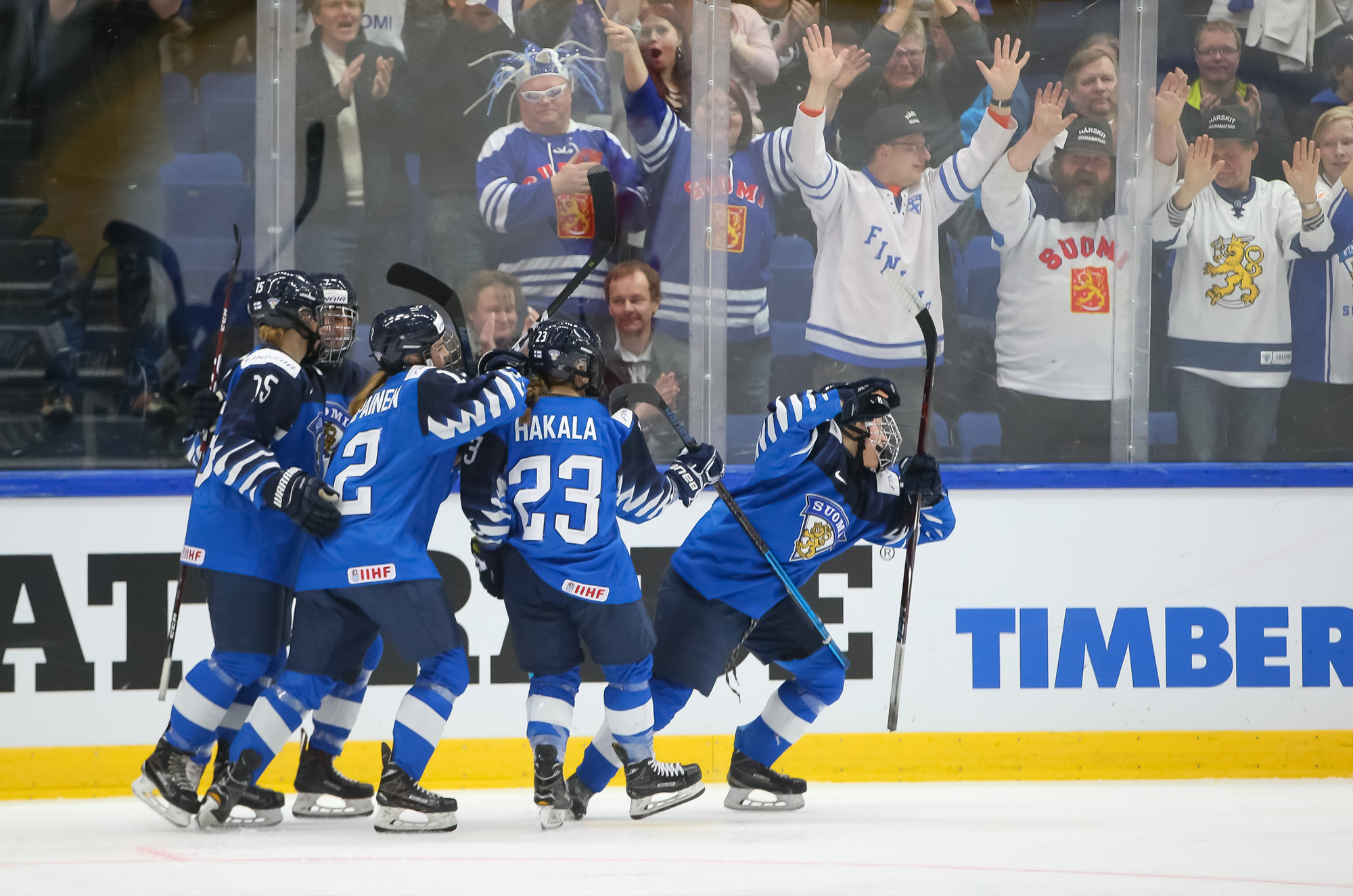 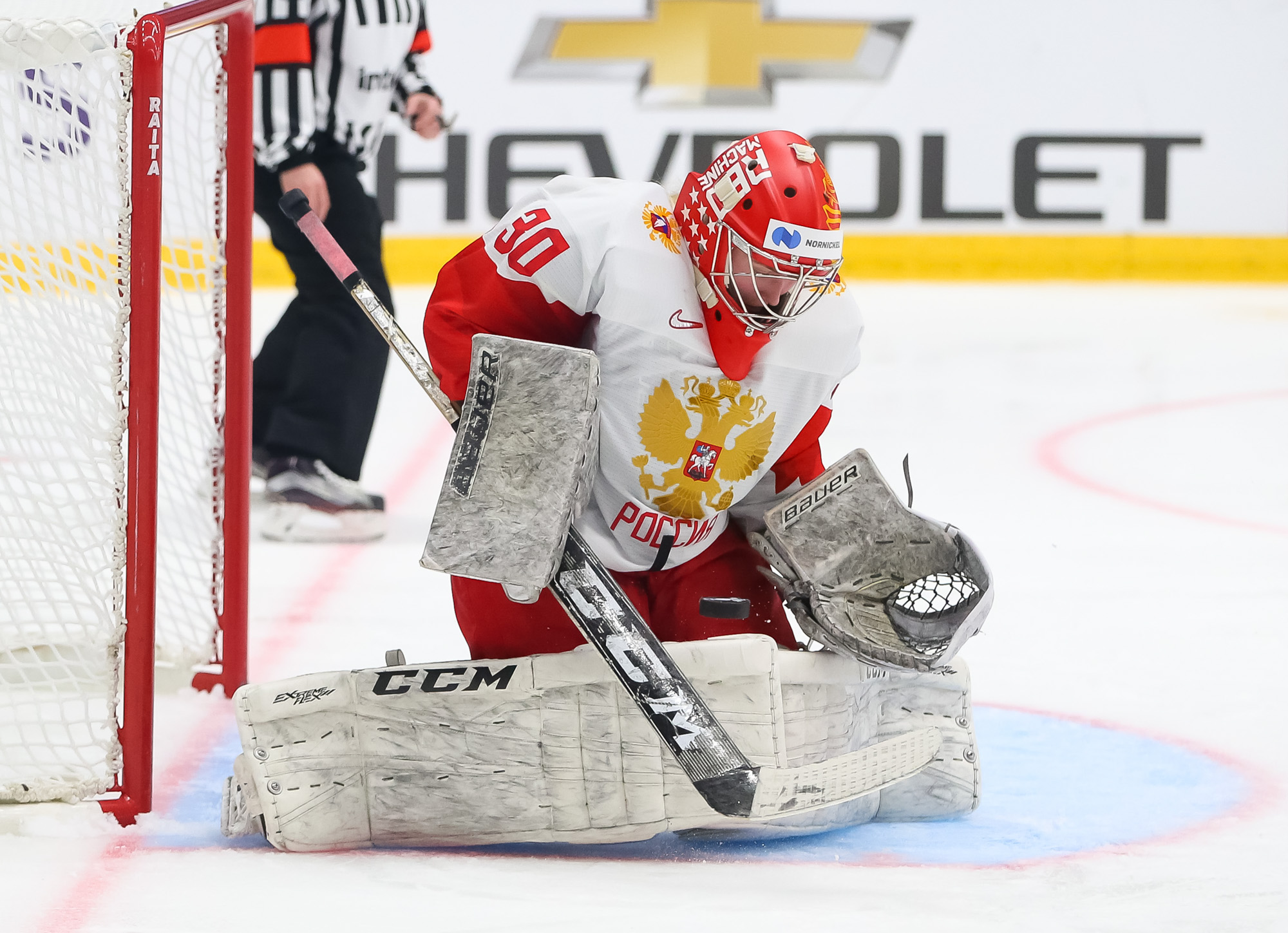 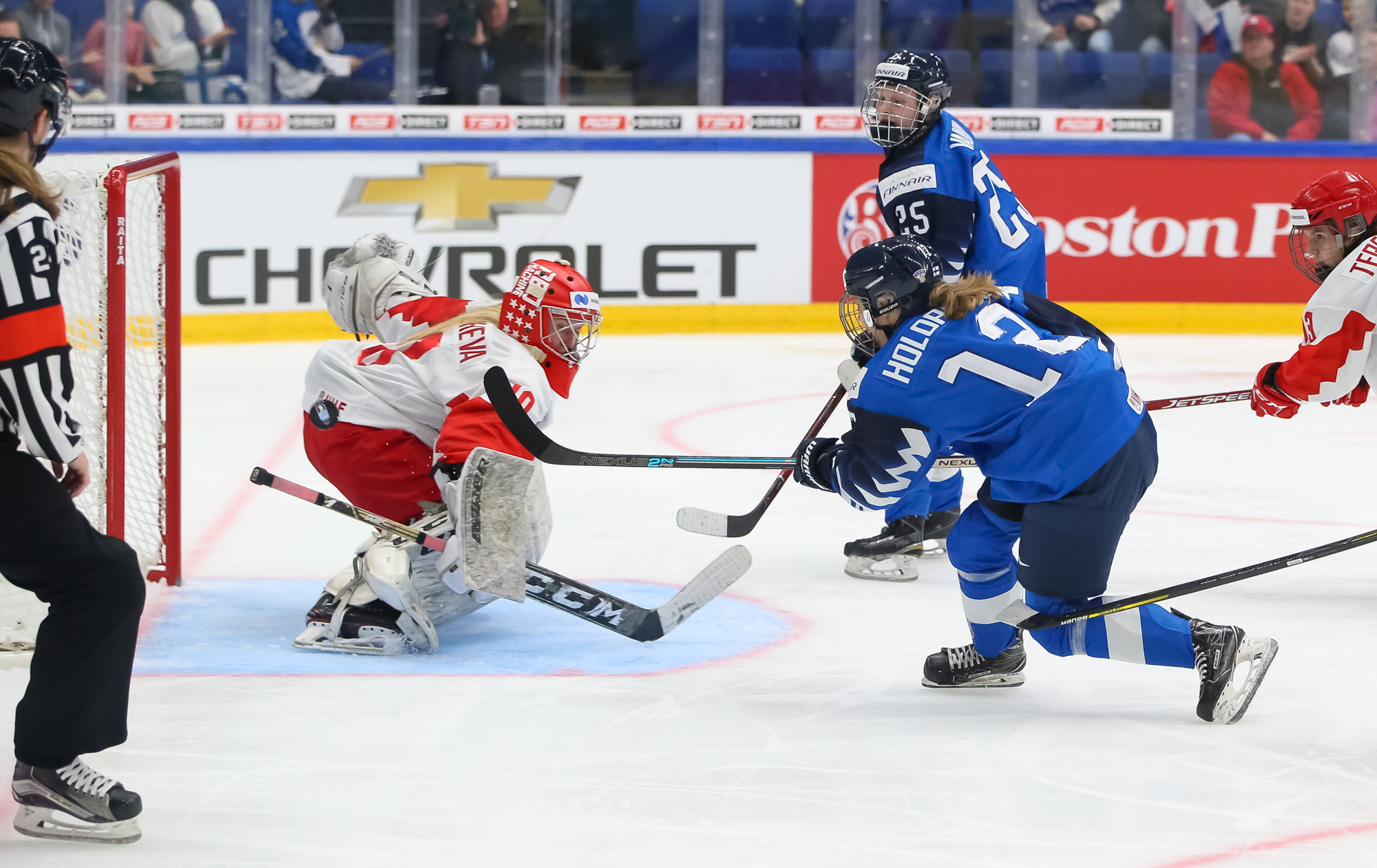 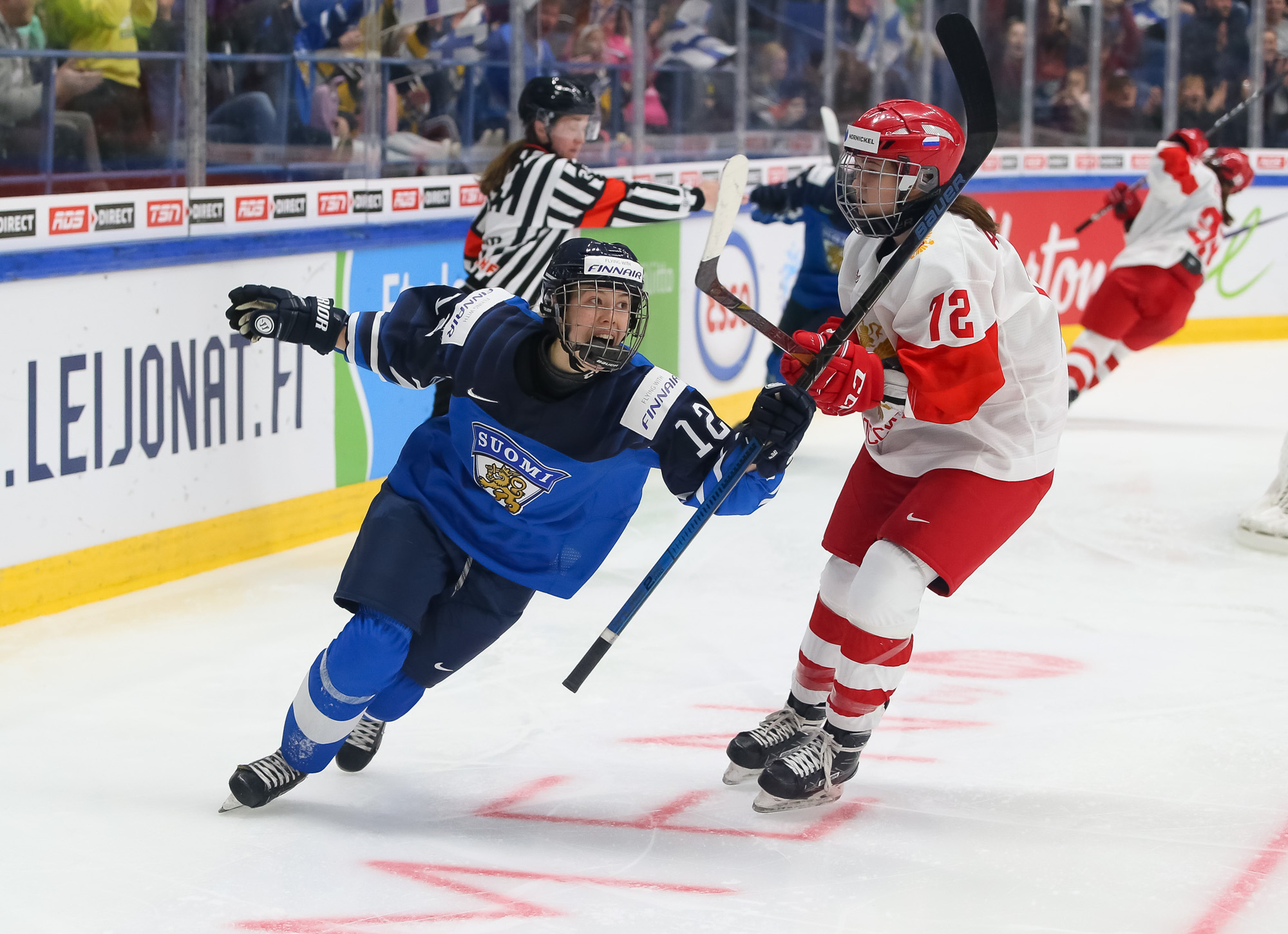 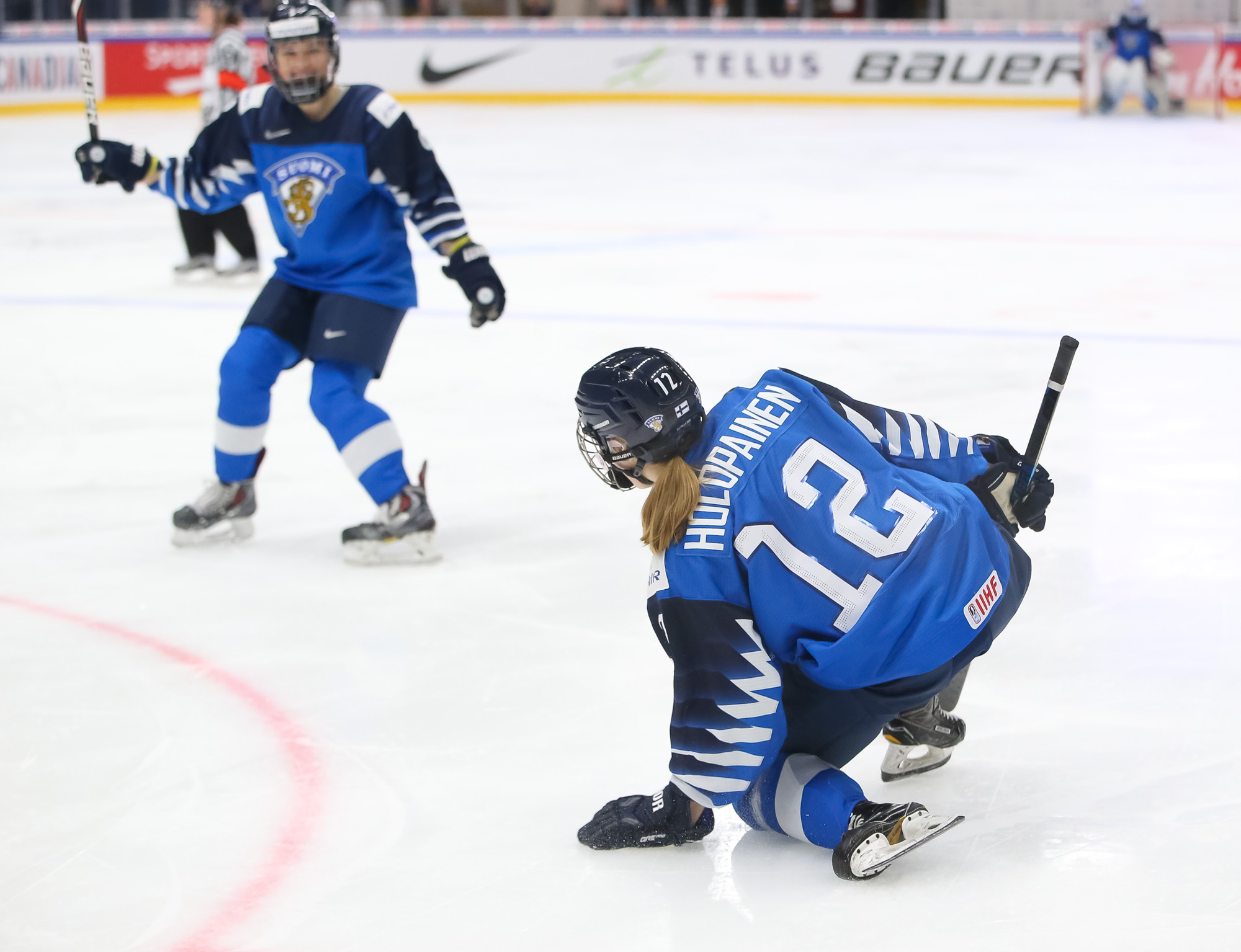 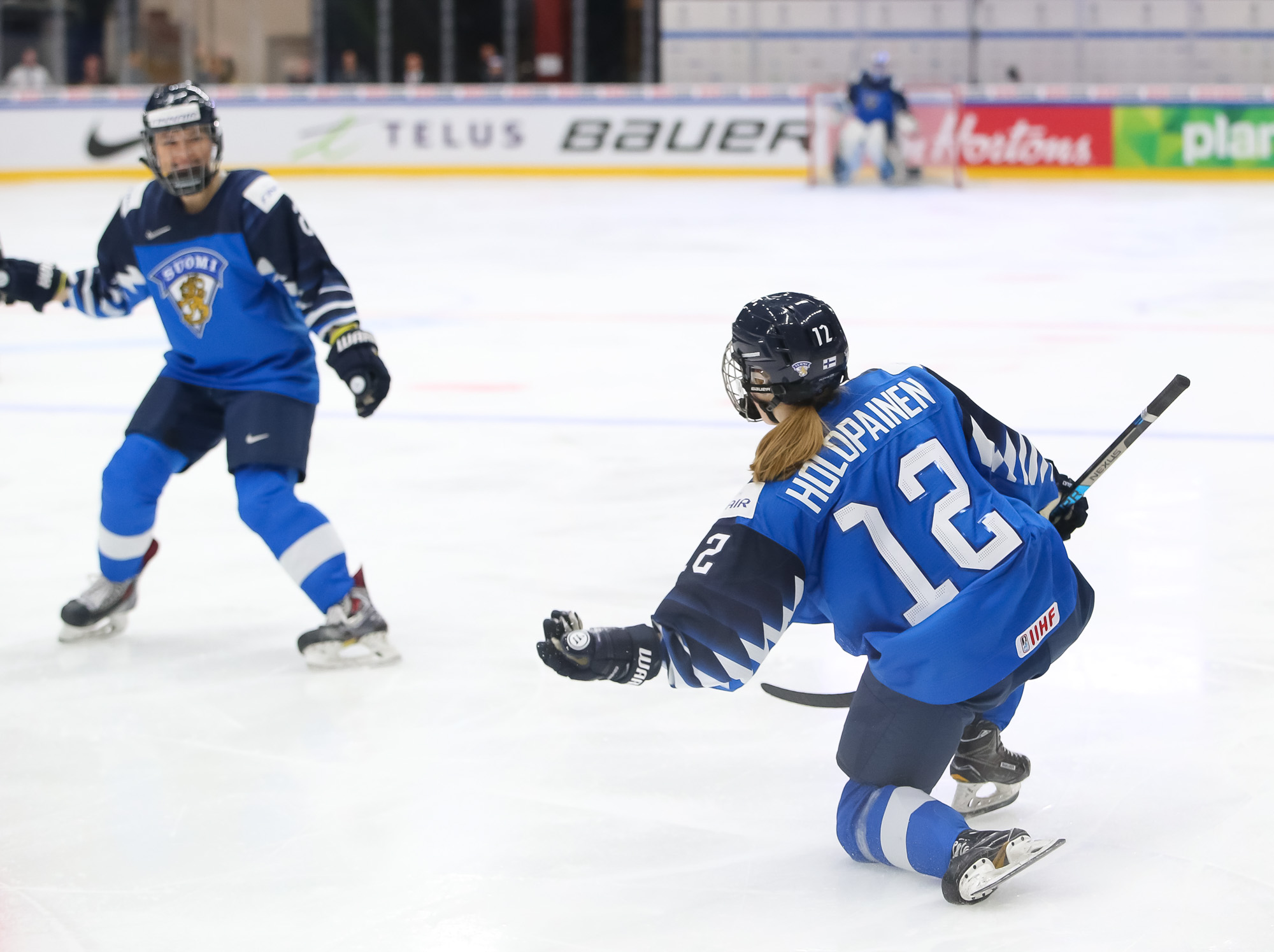 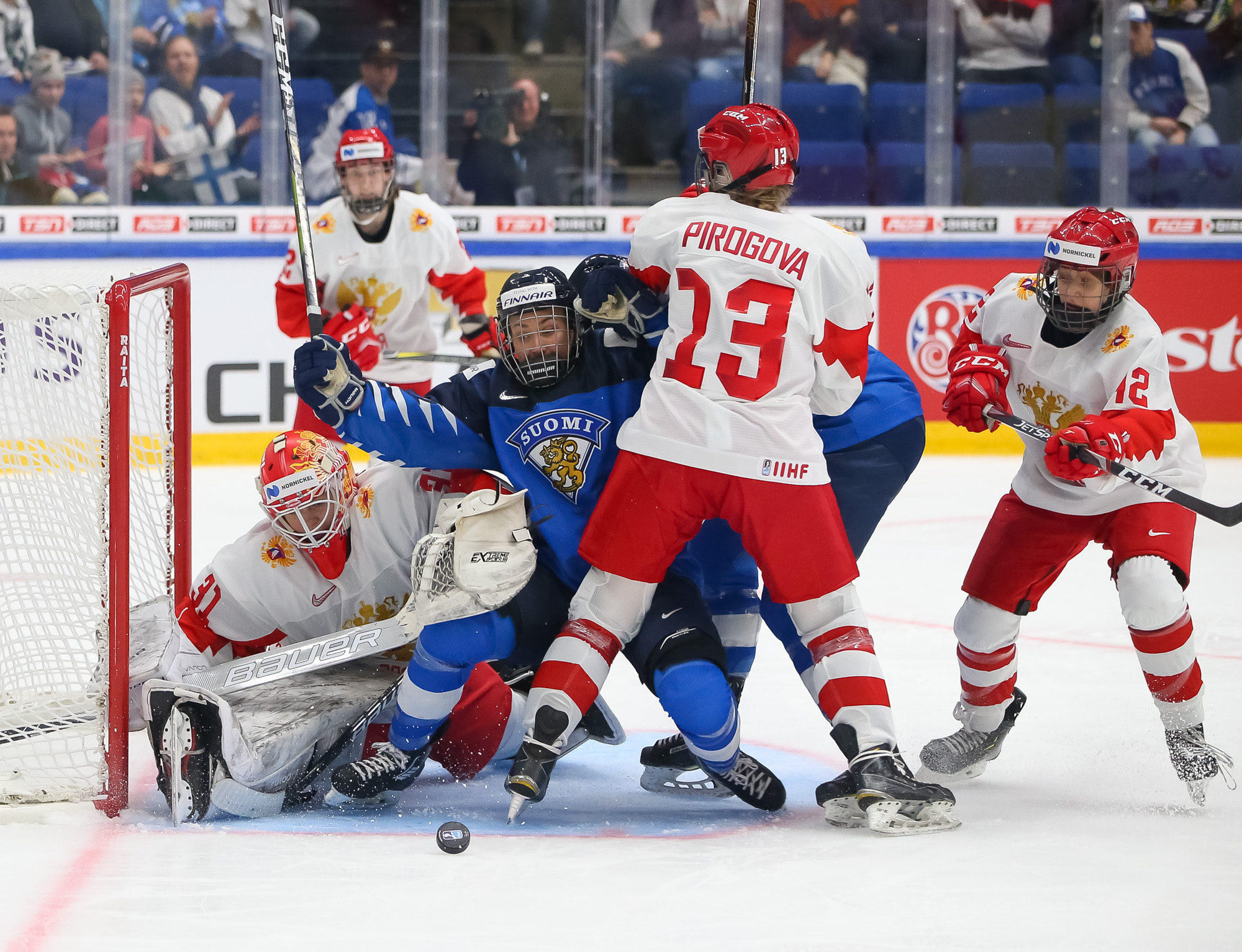 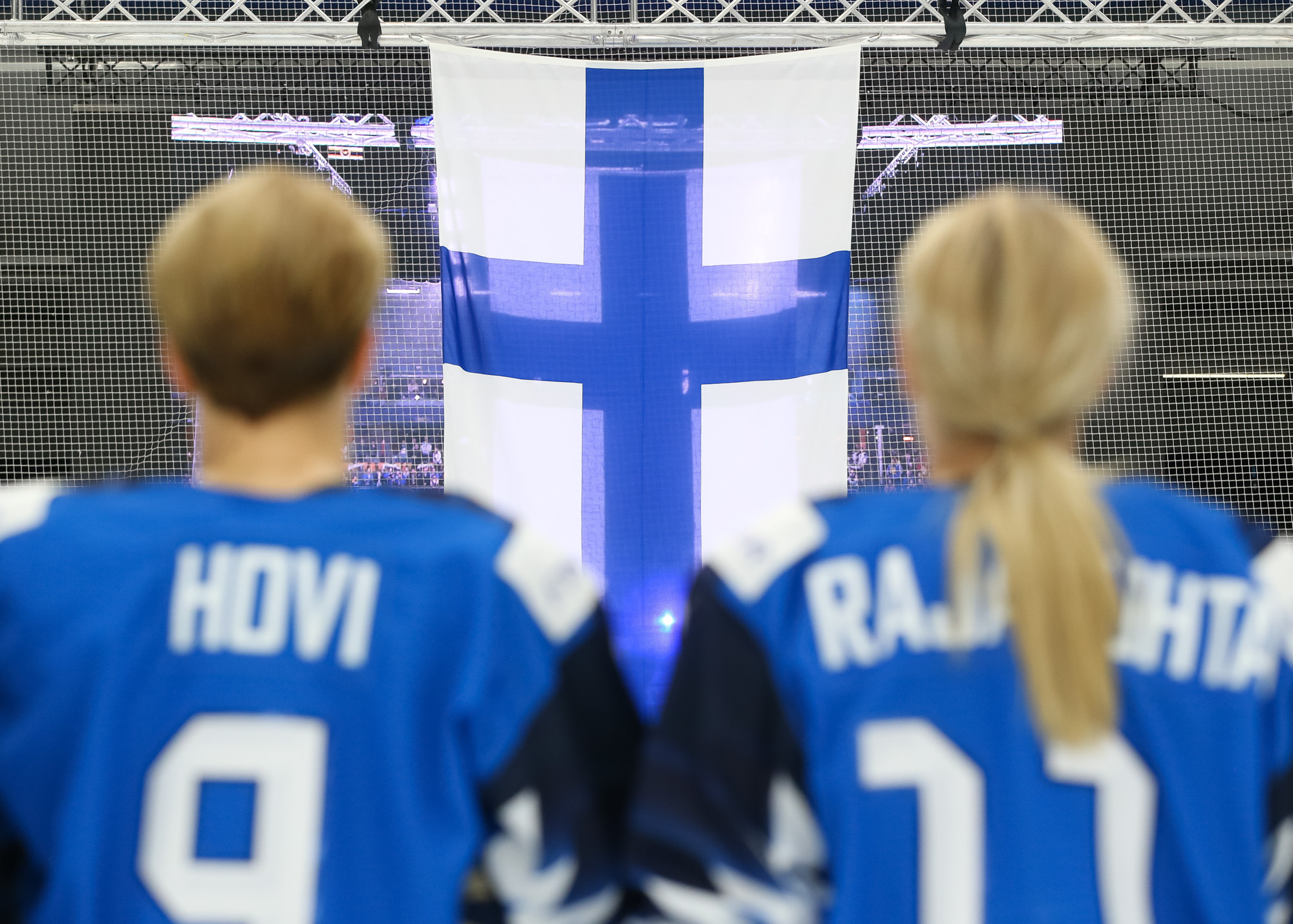