Canada posted two 5-0 wins over Russia at the 2018 Olympics, and the first official rematch between these nations in Espoo wasn't much different. The Canadians marched to an easy 5-1 victory on Monday.

"Overall, I think our power play in general is doing fairly well," said Johnston after Canada clicked twice with power plays. "We're moving the puck well and we're getting shots on net, and obviously we're producing a little bit."

"The score is not working for us," Russian forward Alexandra Vafina said. "We played well the first period. We tried our best to kind of be good on defence. In the second one, we got tired, I guess, and that's why we got so many penalties. Then we got scored on. The third period was great. We won it, and that's a good thing. We need to catch up on this and continue to grow."

Most notably for Canada, captain Marie-Philip Poulin saw the ice for the first time in this tournament. However, the heroine of the 2010 and 2014 Olympic gold medal games had to leave the game after a first-period collision along the boards with Russian sniper Olga Sosina. All in all, Poulin played 4:44 in seven shifts. She did not remain on the bench, unlike in previous games.

Poulin's health status is a significant source of concern for Canada, which has one remaining preliminary round game versus Finland.

"Obviously she's my linemate, so to have her back was awesome," said Johnston. "I love playing with her and just for the team, it was great to have our captain back. We all look up to her and love when she's on the ice. She's obviously a great player for us. To not have her finish is definitely disappointing. But she has to get better and hopefully she's feeling good and ready to go later on in the tournament."

Looking ahead to battling the host team, Spooner said: "I think every time we play Finland, they come out guns a-blazing. So I think we're going to have to play our best game, and I don't think we've put together a 60-minute game yet. Tomorrow we're going to have to do that and hopefully get up on them early and put them on their heels."

Canada's Women's Worlds record versus Russia improved to a perfect 10 wins. Goalie Genevieve Lacasse had a pretty easy night in her first tournament start for Canada, which outshot the Russians 45-8.

World Women
Canada vs. Russia - 2019 IIHF Ice Hockey Women's World Championship
Canada posted two 5-0 wins over Russia at the 2018 Olympics, and the first official rematch between these nations in Espoo wasn't much different. The Canadians marched to an easy 5-1 victory on Monday.
CAN RUS 08 APR 2019

It took a while for the Canadians’ offence to kick into gear, although they dominated possession. Against the flow of the play, Russia’s Yelena Dergachyova got a partial break near the nine-minute mark, but flung a high backhander wide as Lacquette caught up to her.

"We need to work on our shooting," Vafina said. "We have some points where we have the puck in the offensive zone and then we're not shooting a lot. We're trying to find a good spot, but there's no good spot, you know? So we need to work on that. Shoot and go to the net and take a rebound if we have it."

Russia took the first three penalties of the game, and that was playing with fire versus Canada’s gunners. Coach Alexei Chistyakov’s team finally got burned when Spooner put a power play tip of Lacquette’s centre point blast past Russian starter Anna Prugova at 13:43.

"They wanted me to kind of be around the net, and for sure on the power play," said Spooner. "I was just kind of finding my way and getting used to being there. I'm enjoying it. I can bang in some rebounds and tip some pucks. It's going great."

In the second period, the Canadians "came out like gorillas out of a cage," to borrow a phrase from Russian men's goalie Ilya Bryzgalov after Canada's 7-3 quarter-final thrashing of his team in Vancouver in 2010.

Johnston made it 2-0 at 4:22, looping around the net, pivoting and firing a forehand past Prugova on the short side. Canada took a 3-0 lead on an iffy goal, as the Russian netminder gave up a rebound when Spooner slid the puck on net on the rush and Turnbull shoveled it in. That was it for Prugova, who was yanked in favor of Nadezhda Morozova.

"I think for us, it's just focusing on the little things that we've been focusing on all World Championship, doing the right things and just making the simple plays," Johnston said.

Morozova got into the game quickly when she stared down 2018 Olympic MVP Melodie Daoust on a breakaway. But she was caught flatfooted when Spooner grabbed a rebound off the back boards and executed the wraparound for Canada’s fourth goal on the power play at 11:32. Another Spooner wraparound -- evidently not a play the Russians had pre-scouted -- made it 5-0 less than four minutes later.

With Brianne Jenner off for roughing, Ganeyeva spoiled Lacasse's shutout bid with a center point blast that tipped en route to the net at 1:01 of the third period.

Anna Shokhina, back from serving a two-game suspension for a kicking incident at the end of Russia's 3-2 bronze medal loss to Finland at the 2018 Olympics, got a breakaway later in the period, but couldn't fool Lacasse with her slapper.

On the keys to beating Noora Raty in Canada's last preliminary round game, Johnston commented: "I think scoring early, getting under her skin, getting a lot of shots right in the first period, the first five minutes, making her feel a little bit uneasy, and having people in front. I think if she can't see the puck, it's going to make it a lot harder for her to make the saves."

The Russians will wrap up their round-robin against the defending champion Americans on Tuesday. Russia has lost all 13 games it has played against the U.S. in Women's Worlds history. 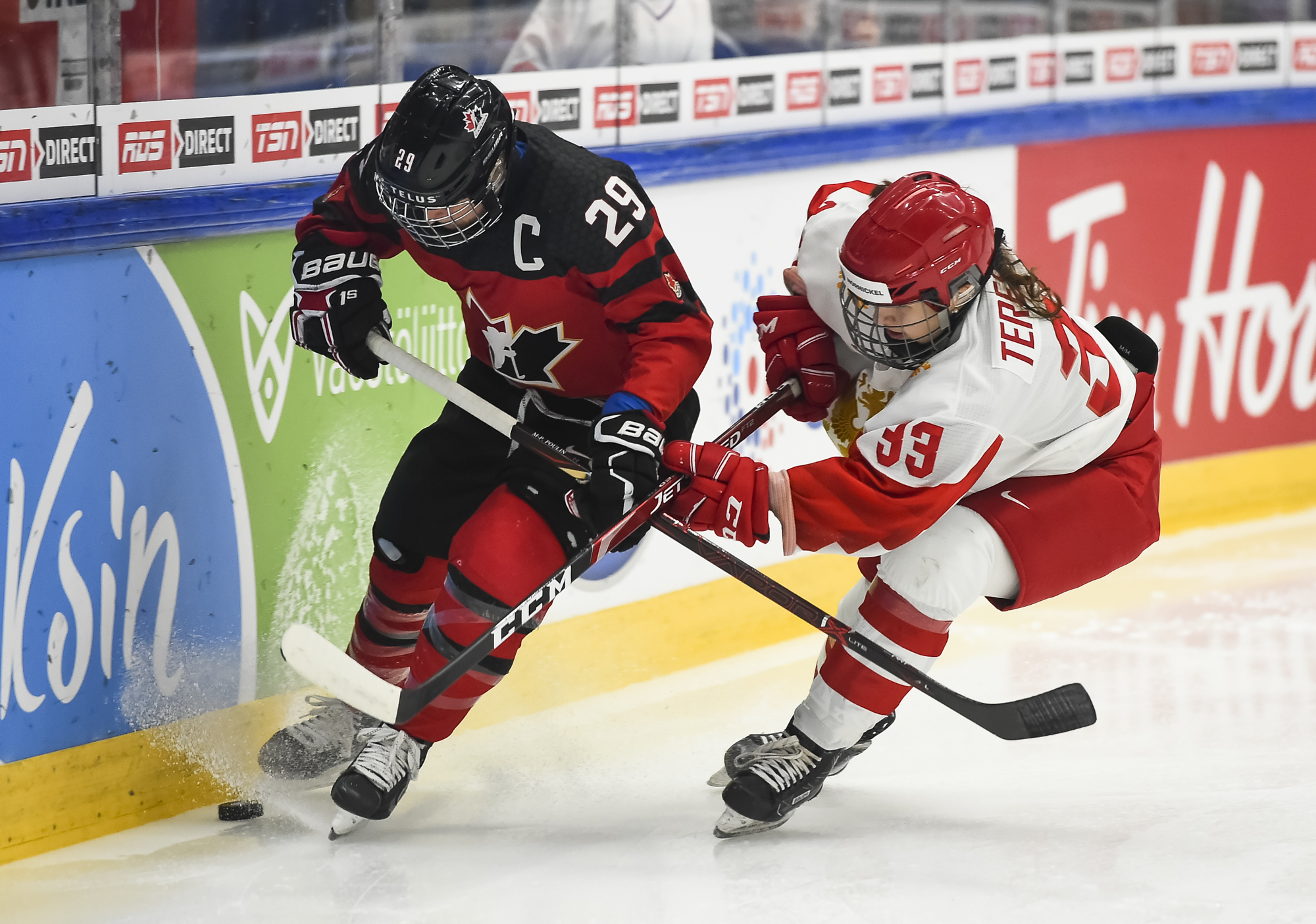 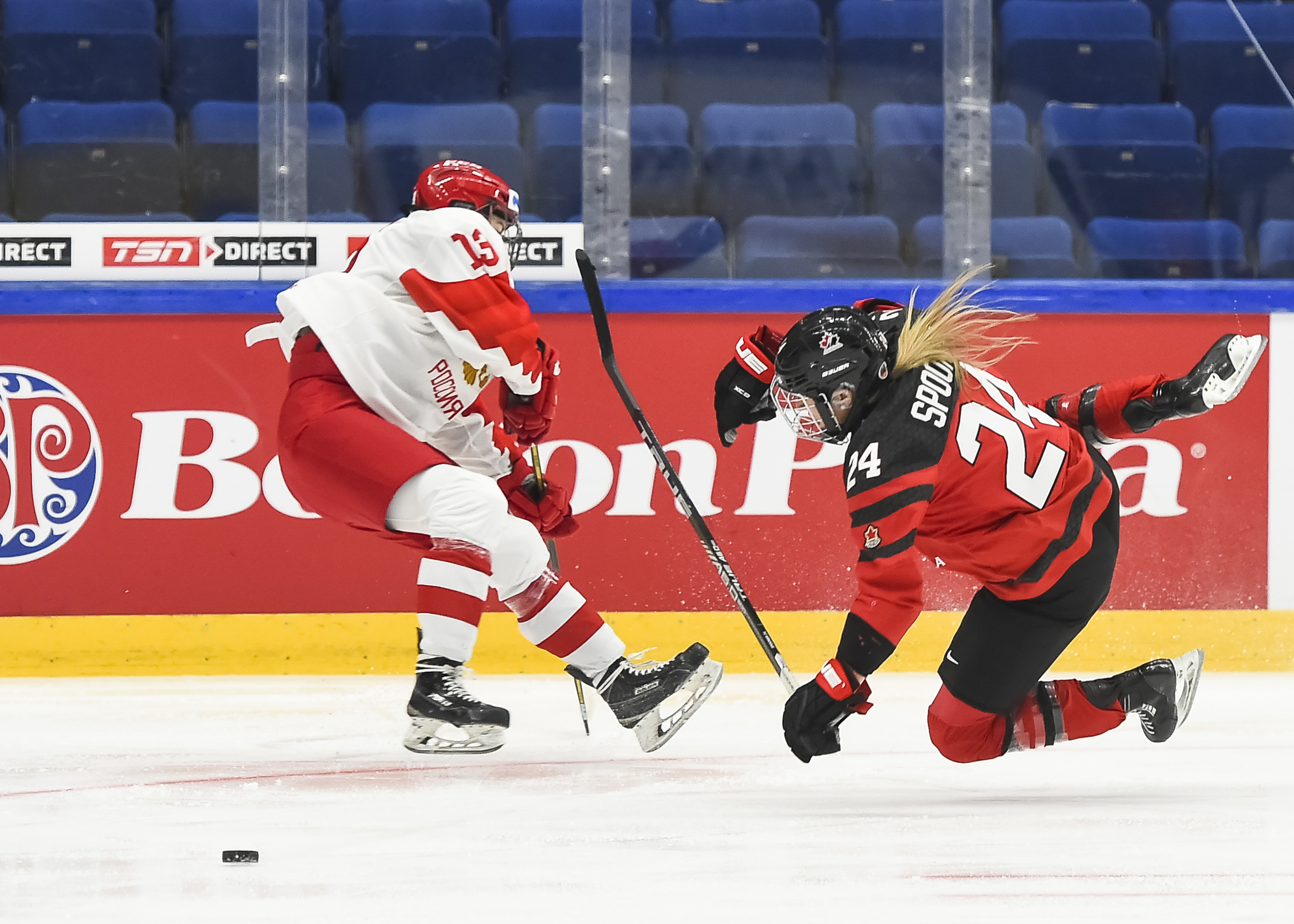 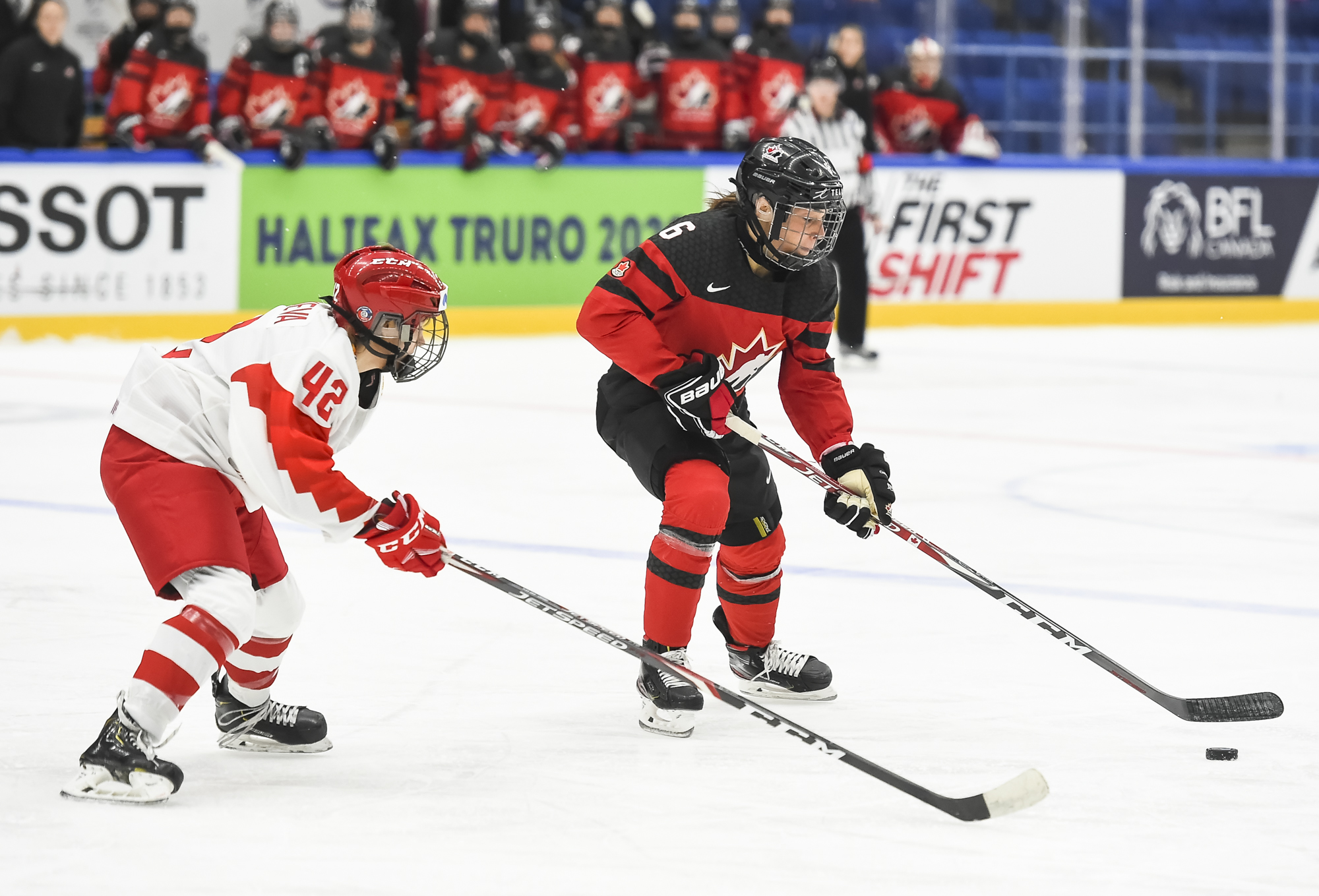 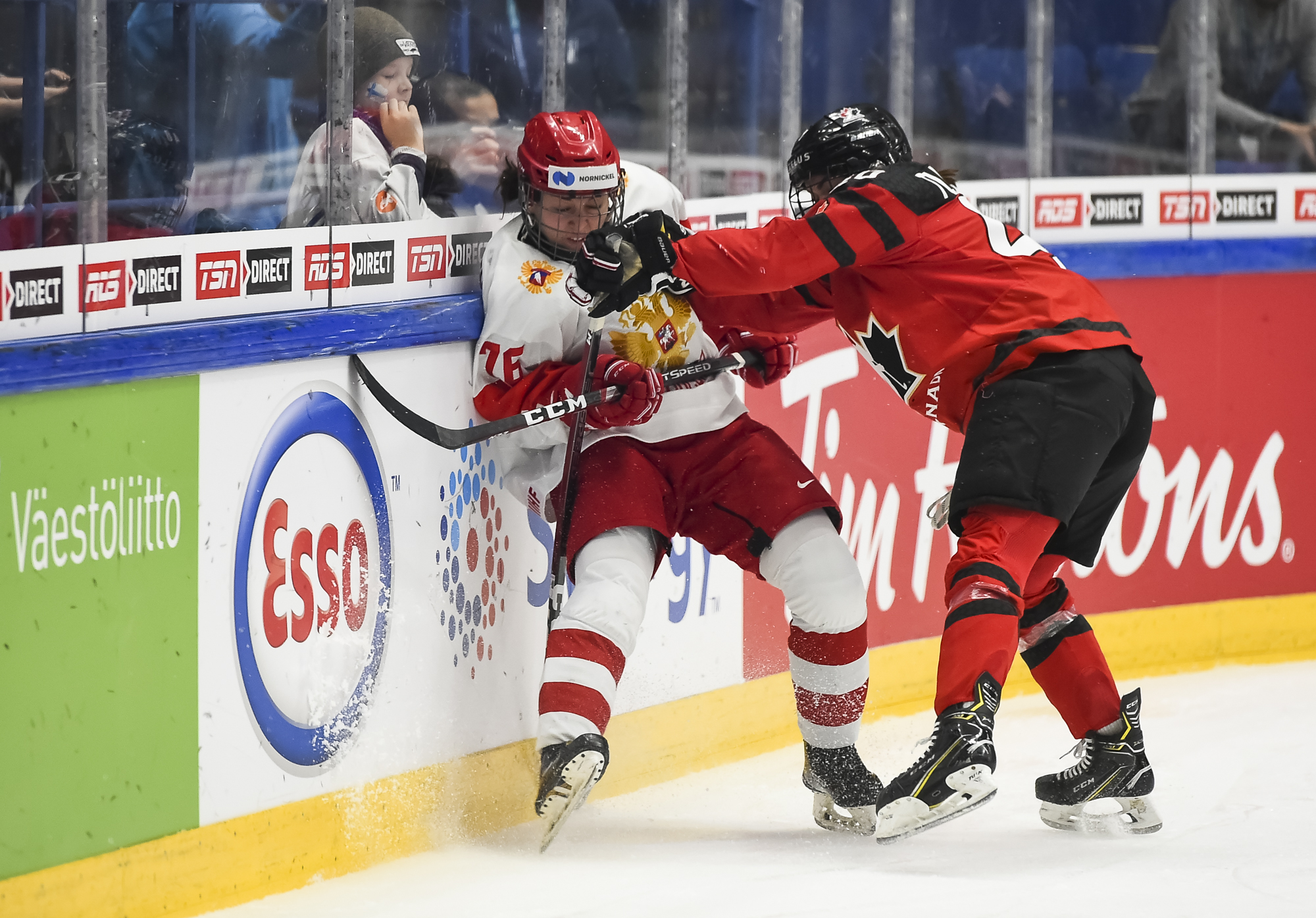 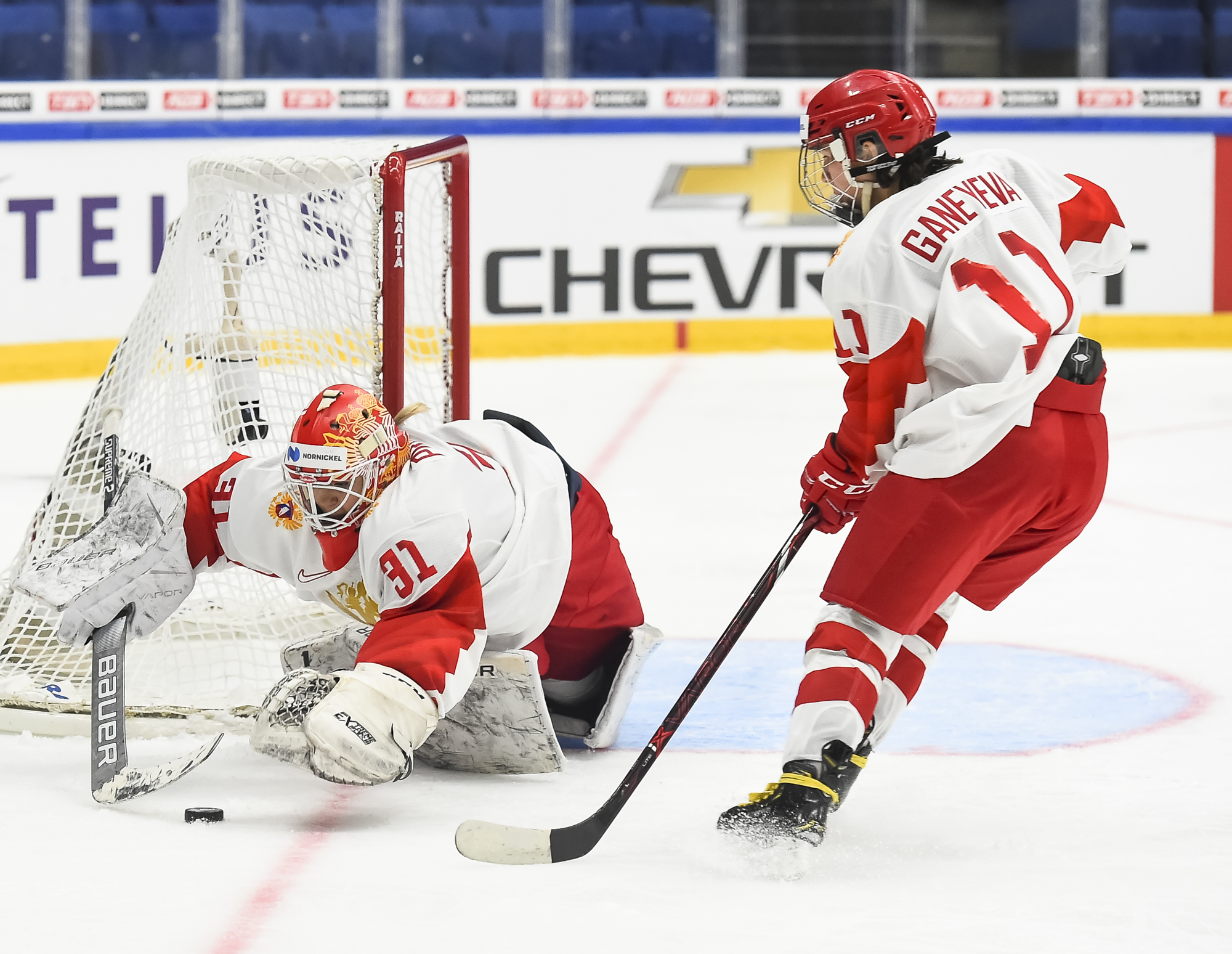 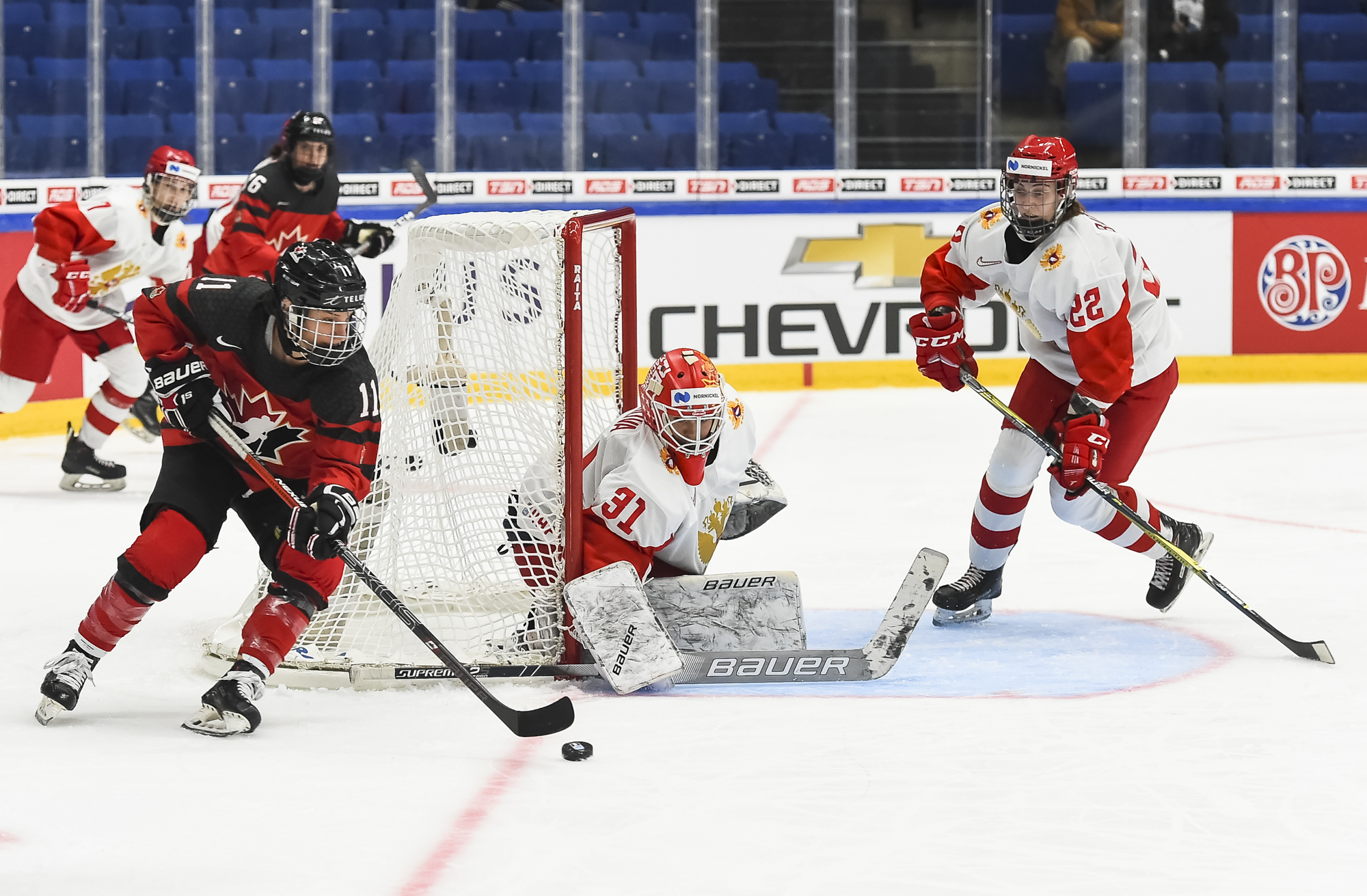 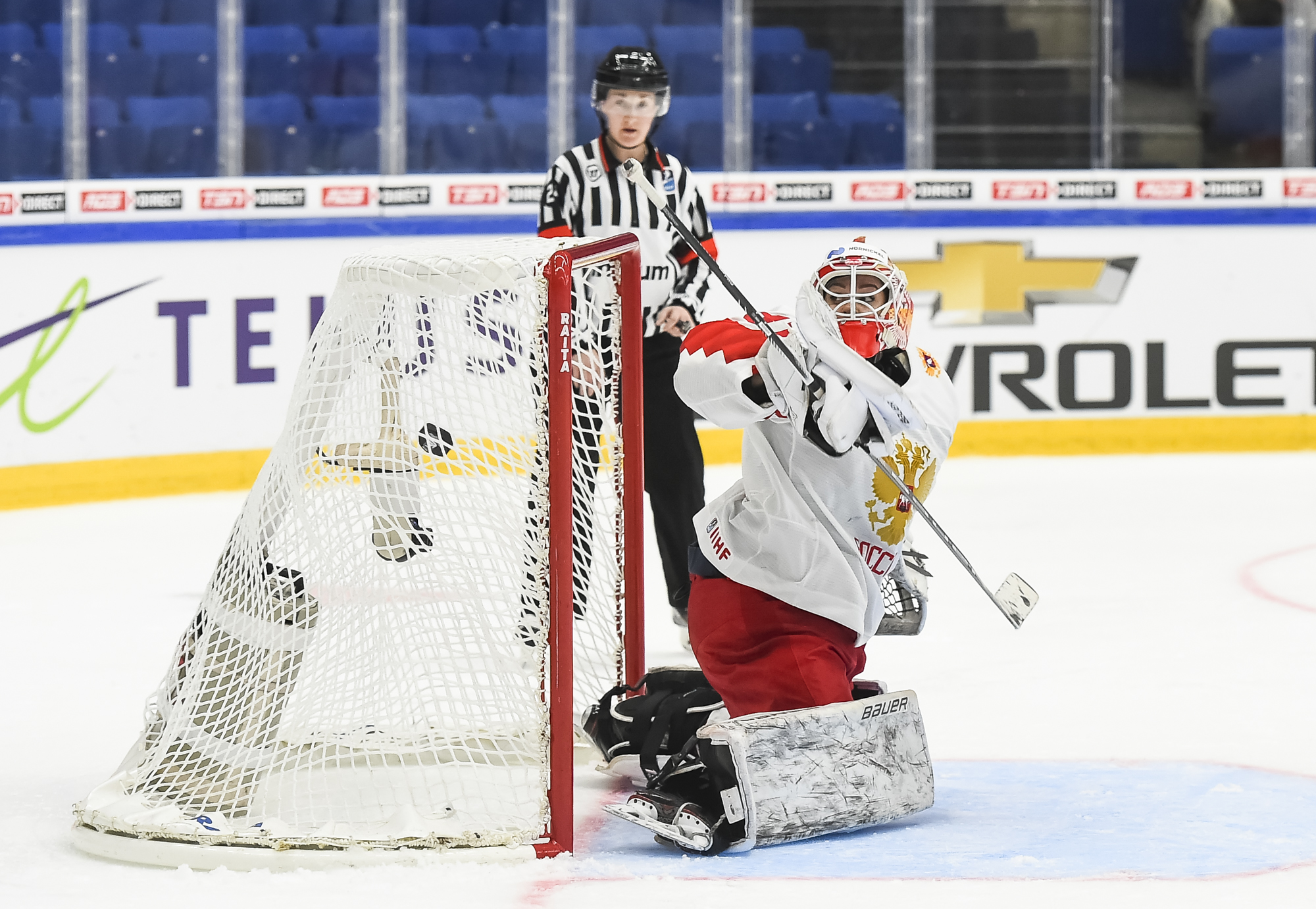 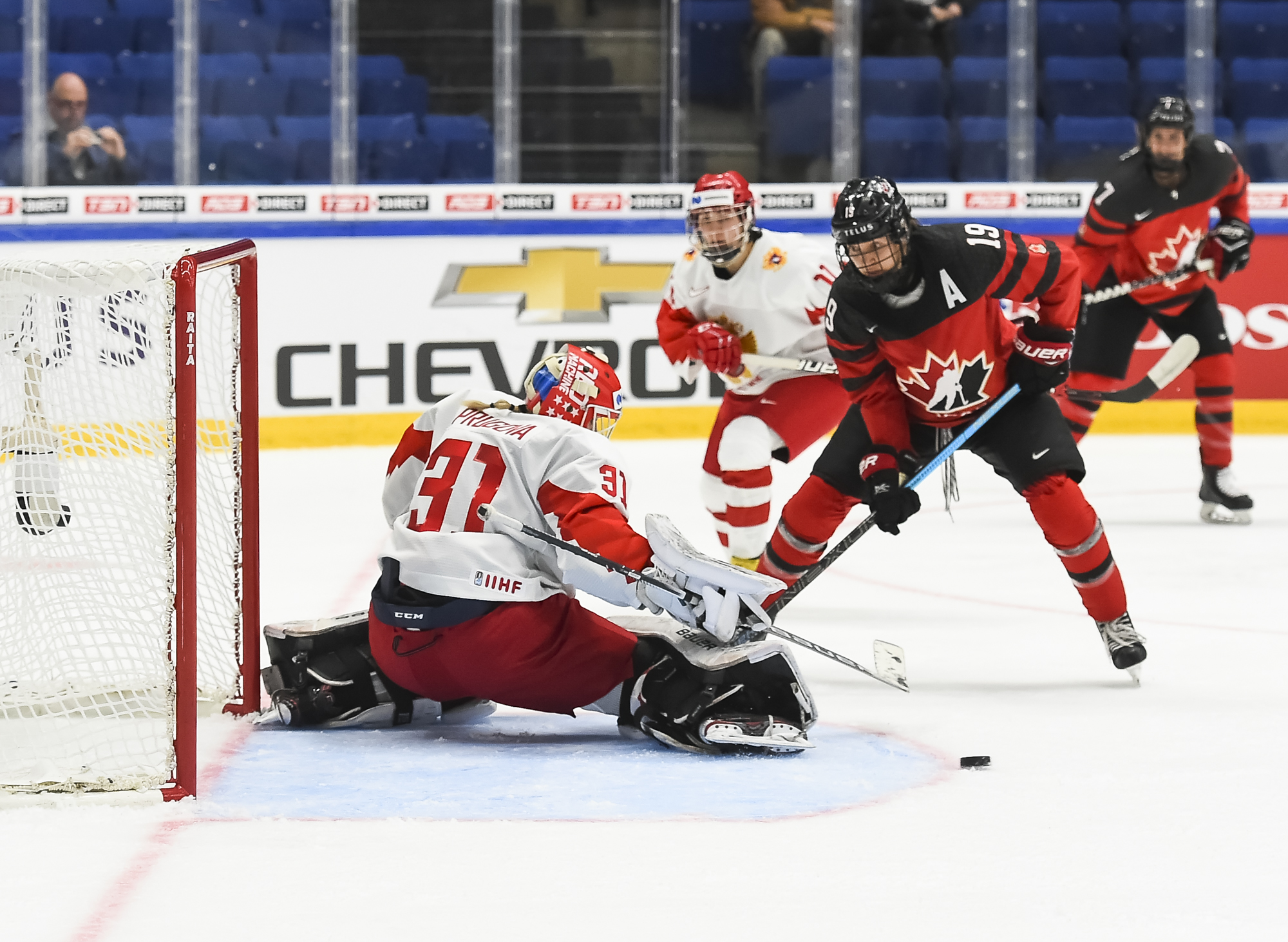 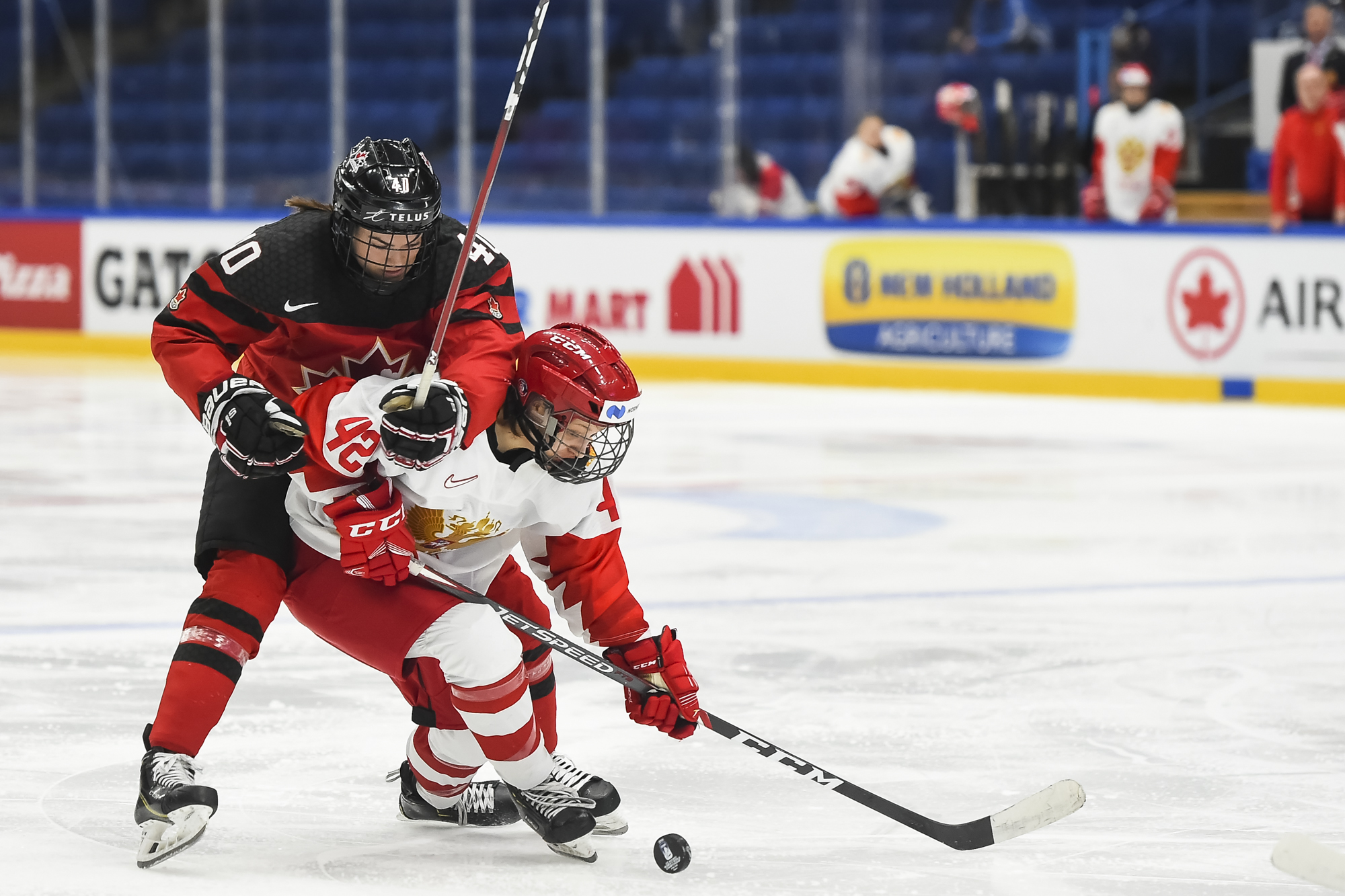 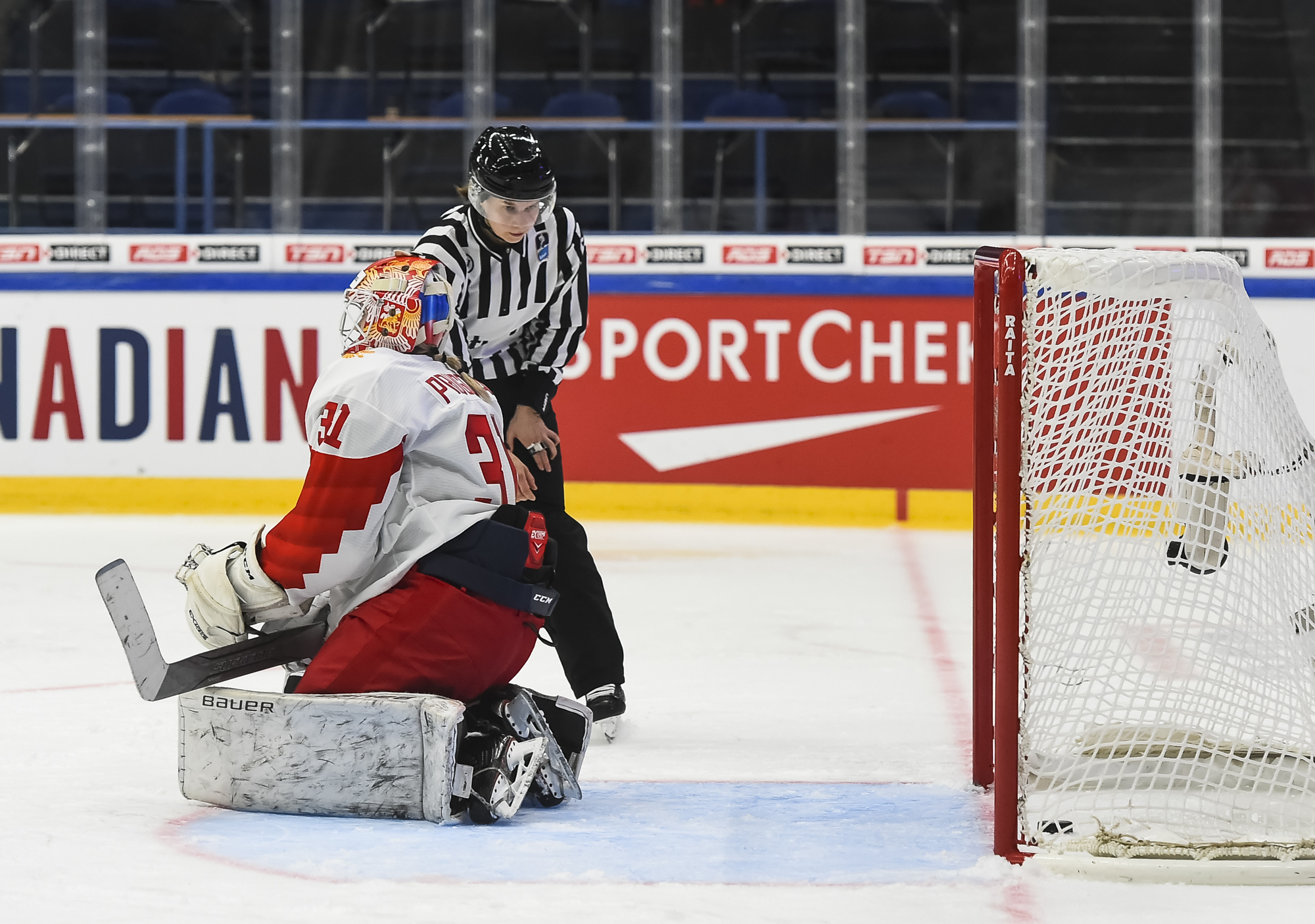 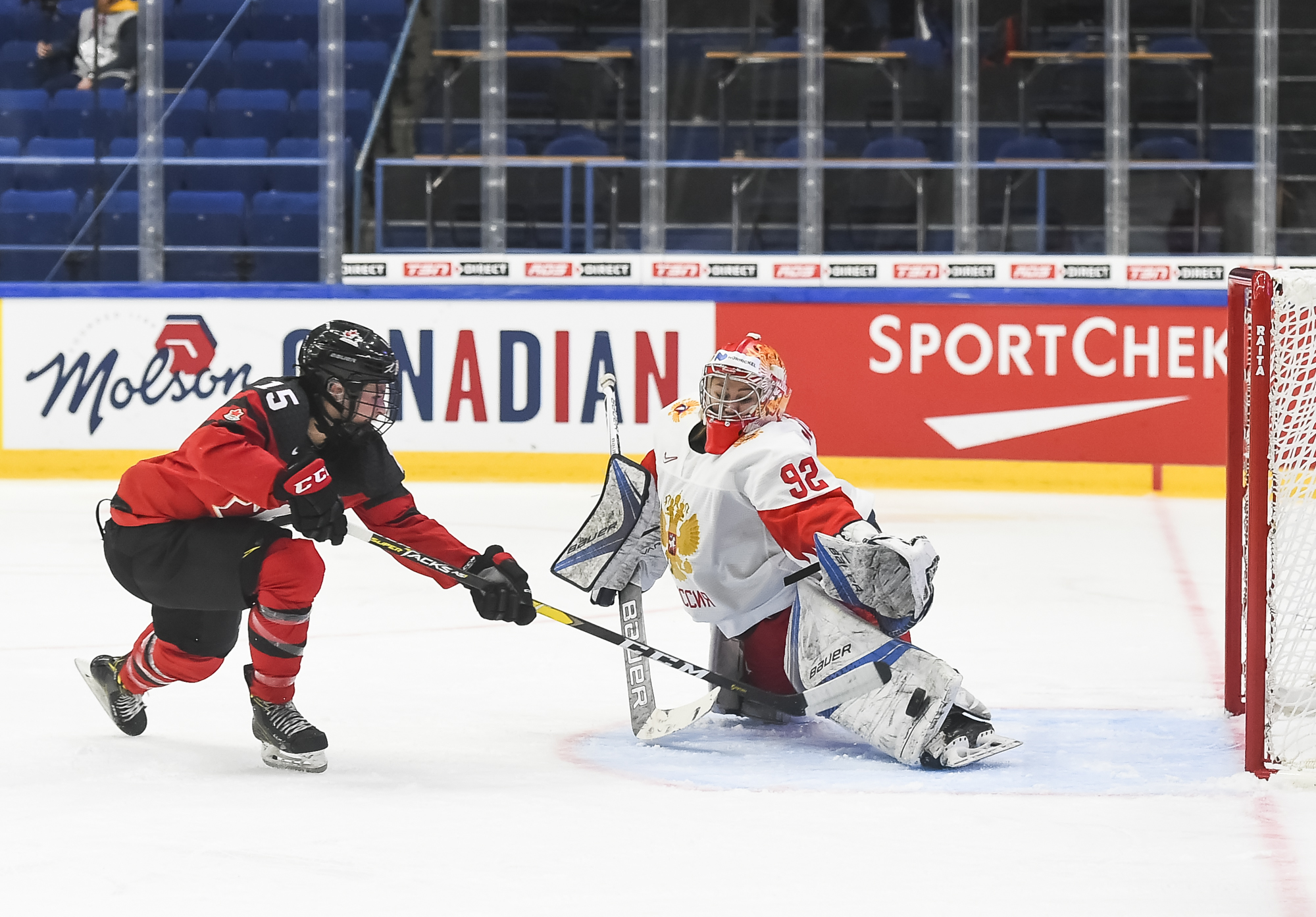 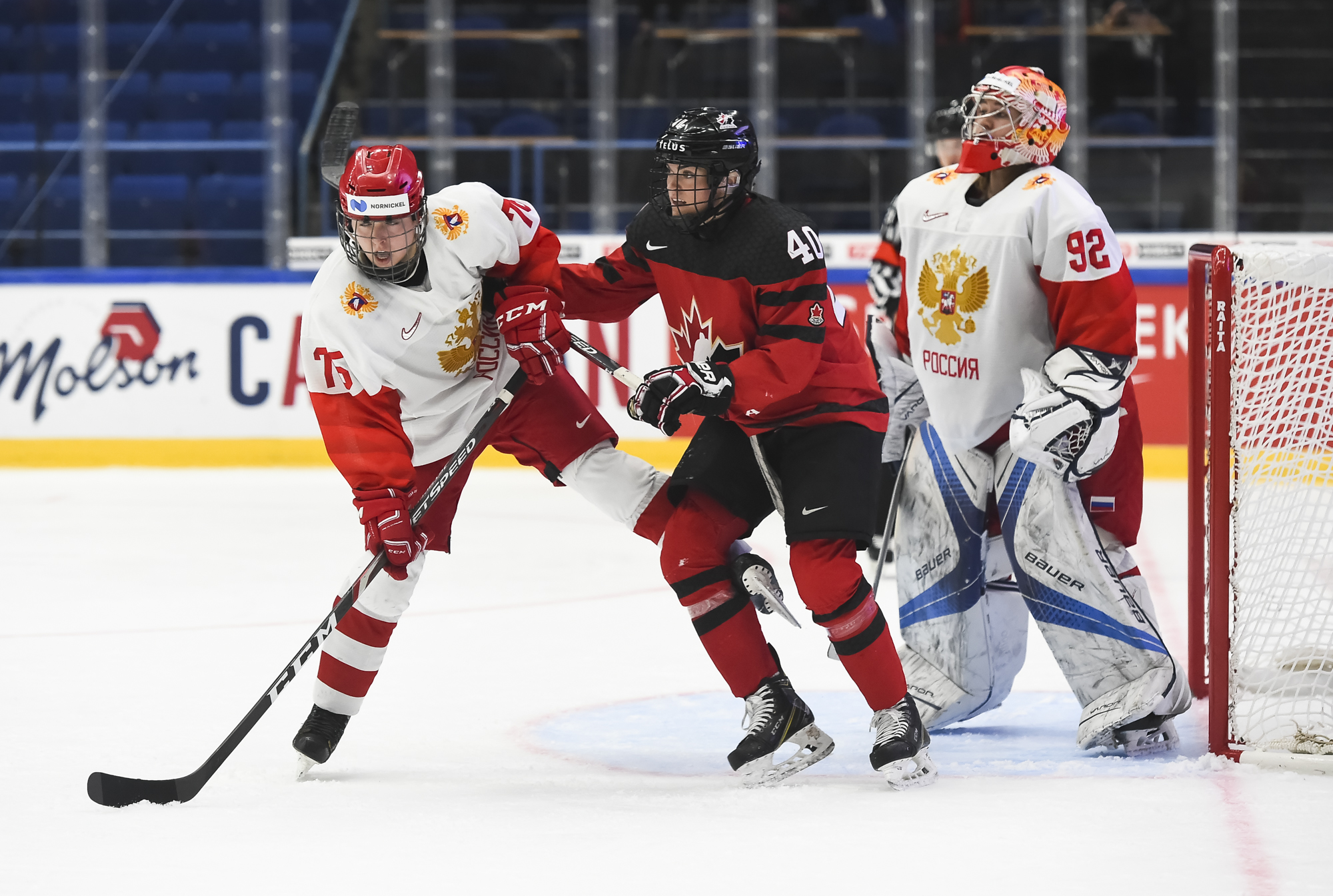 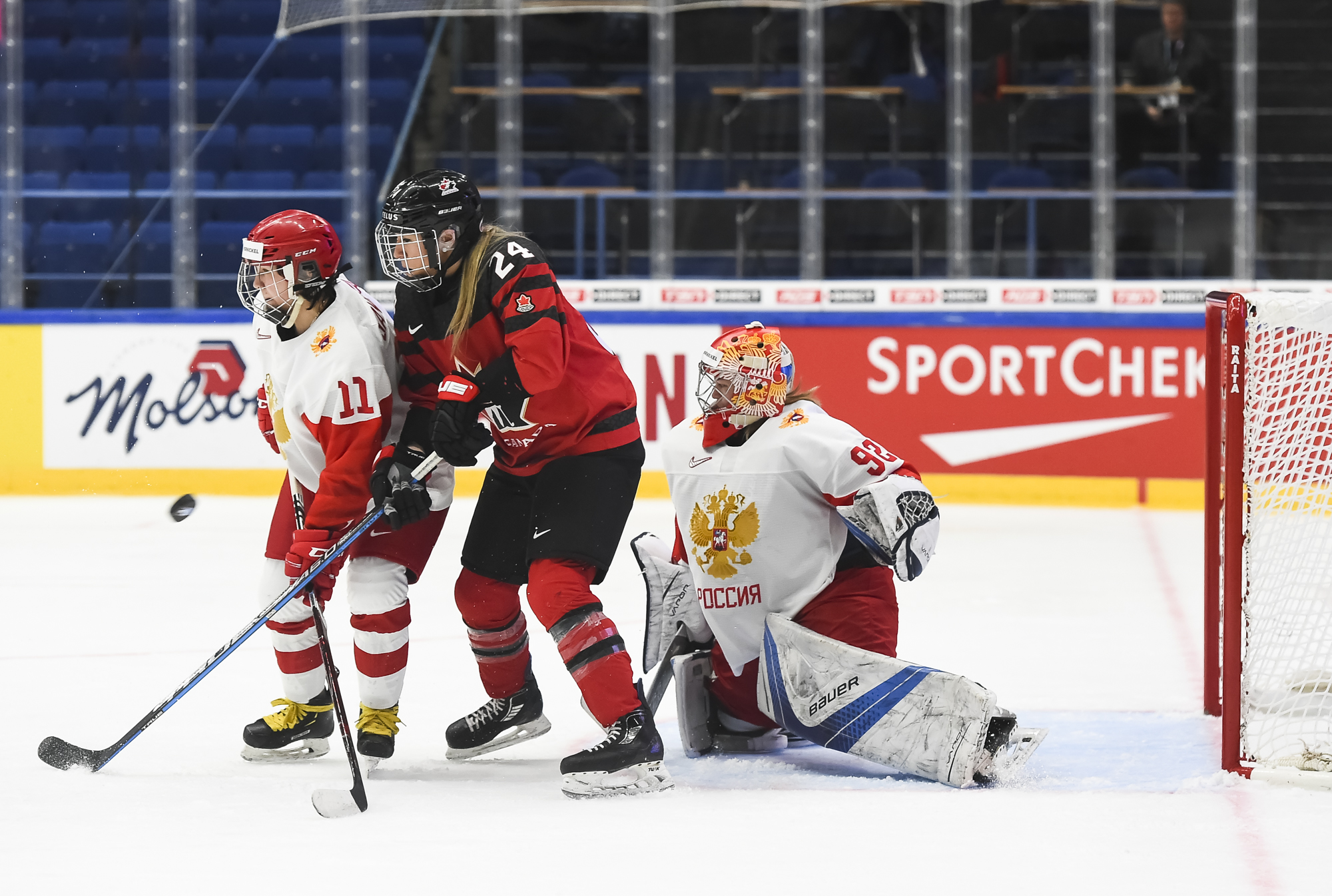 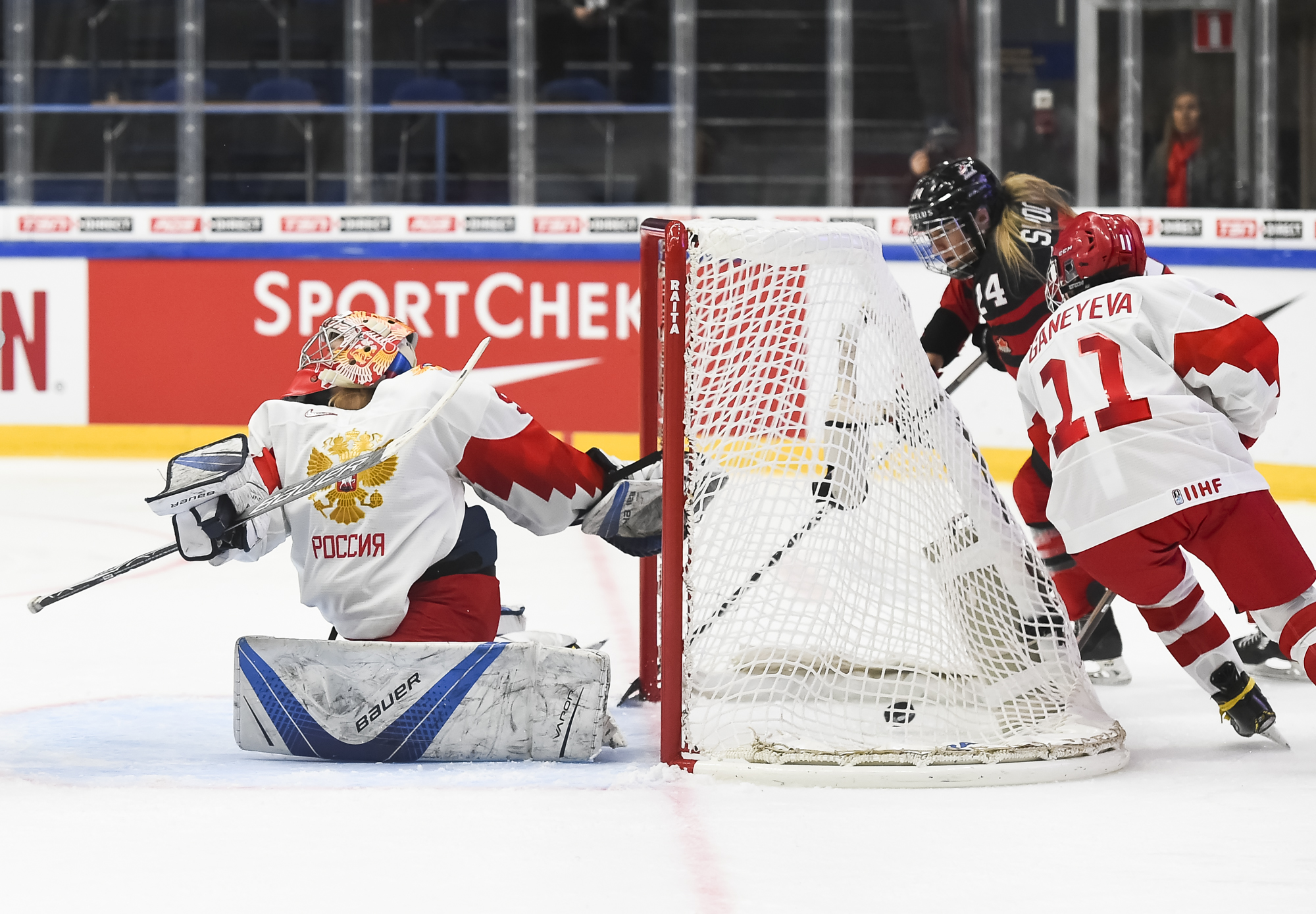 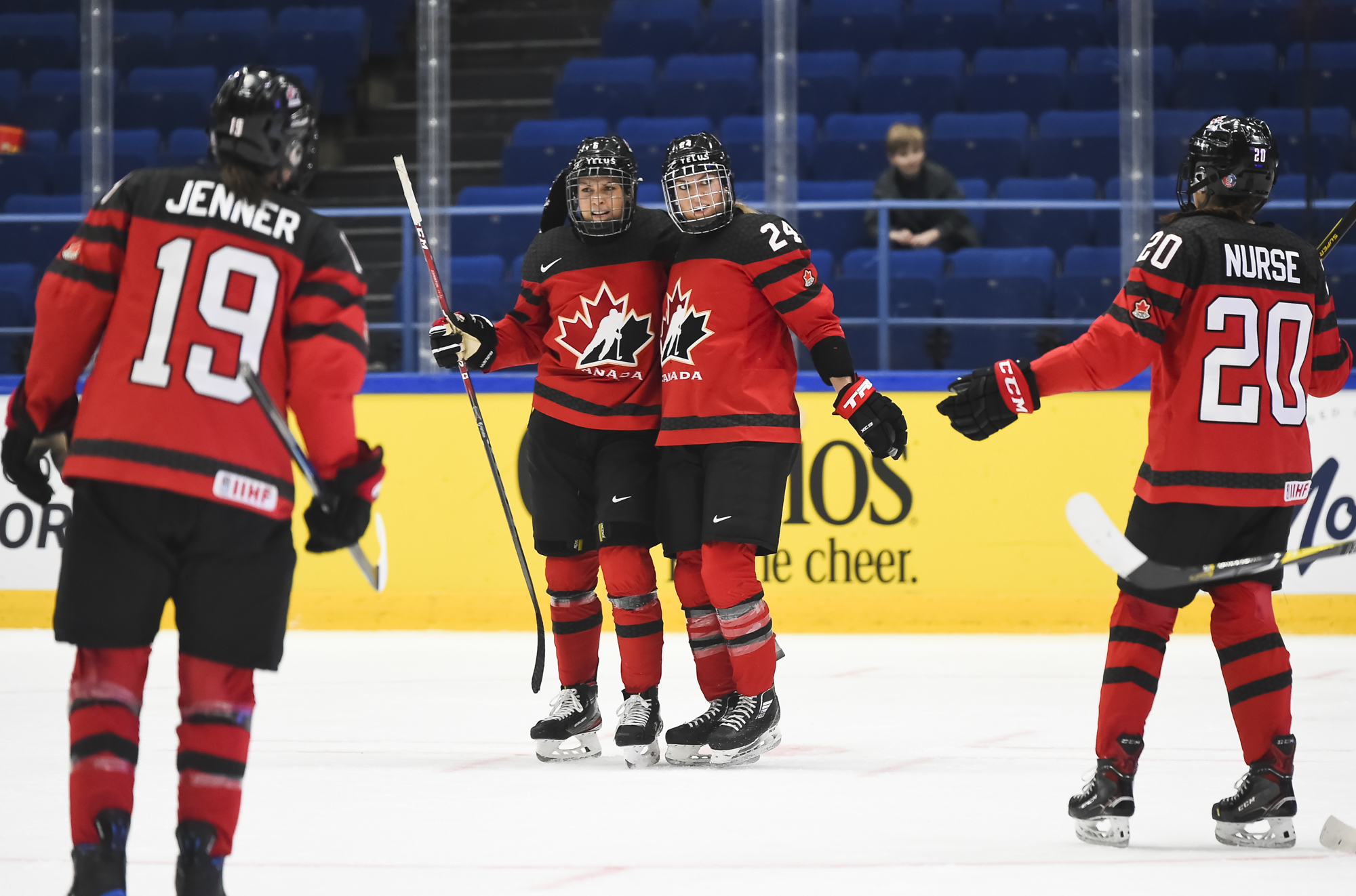 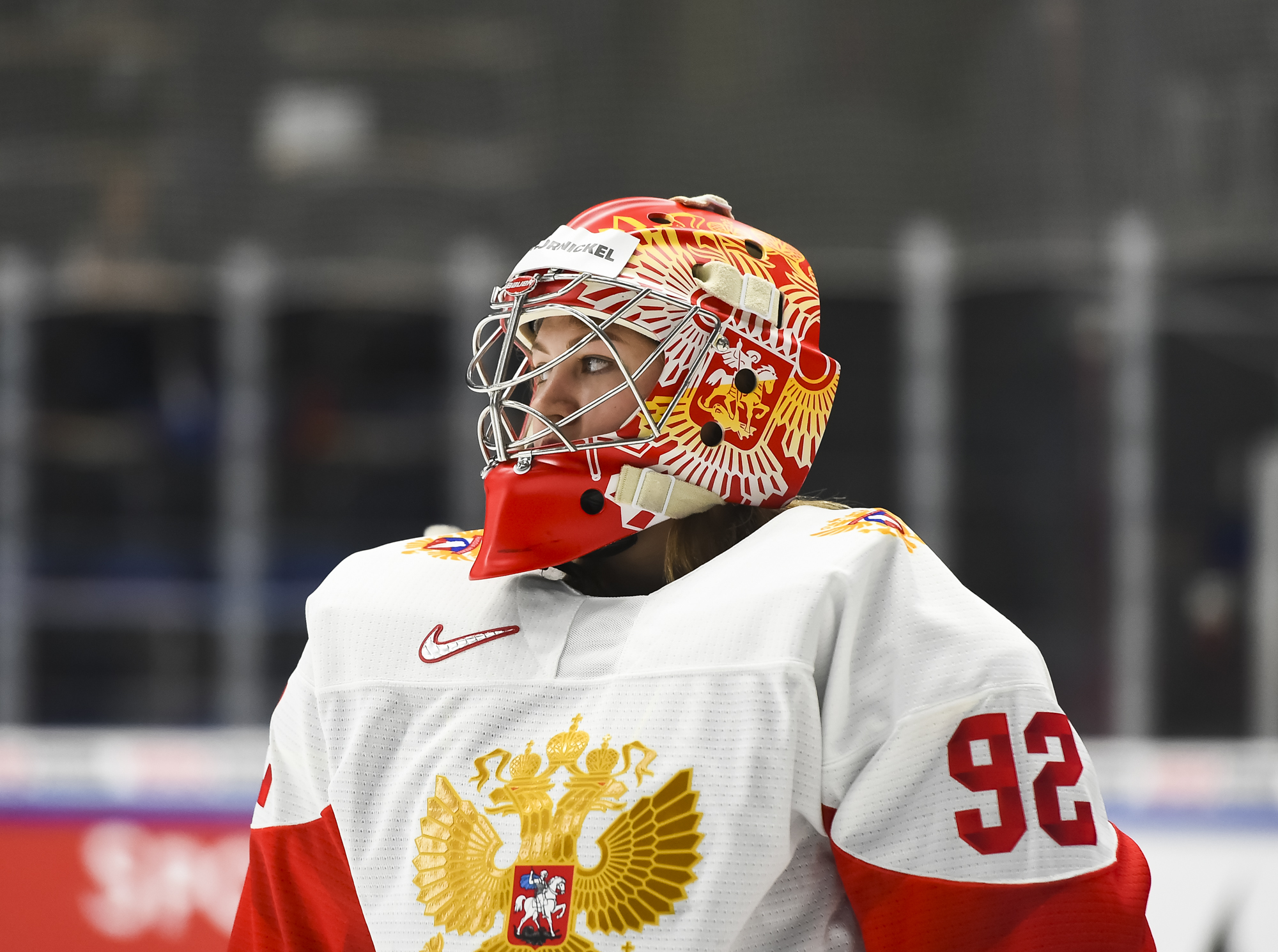 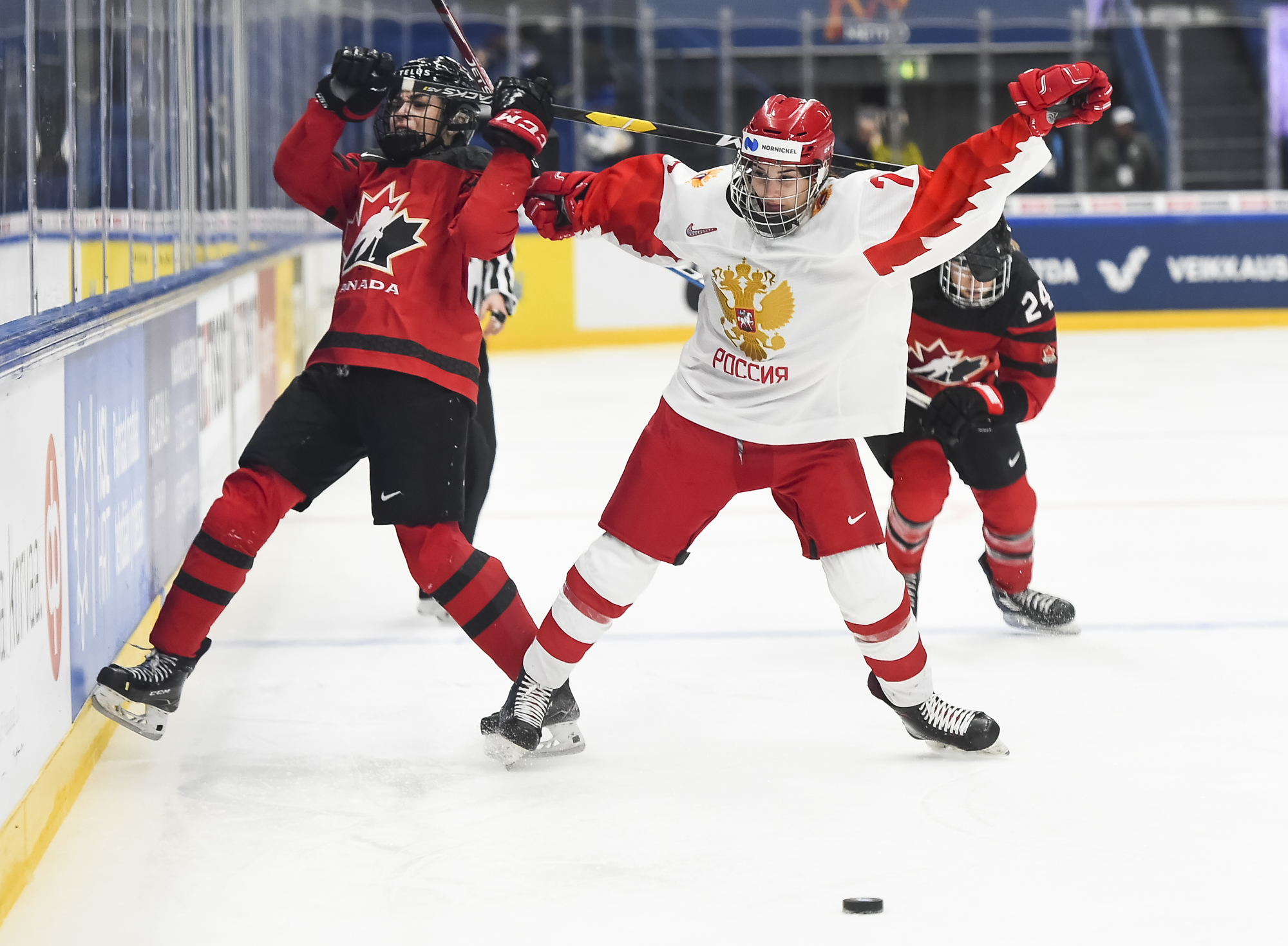 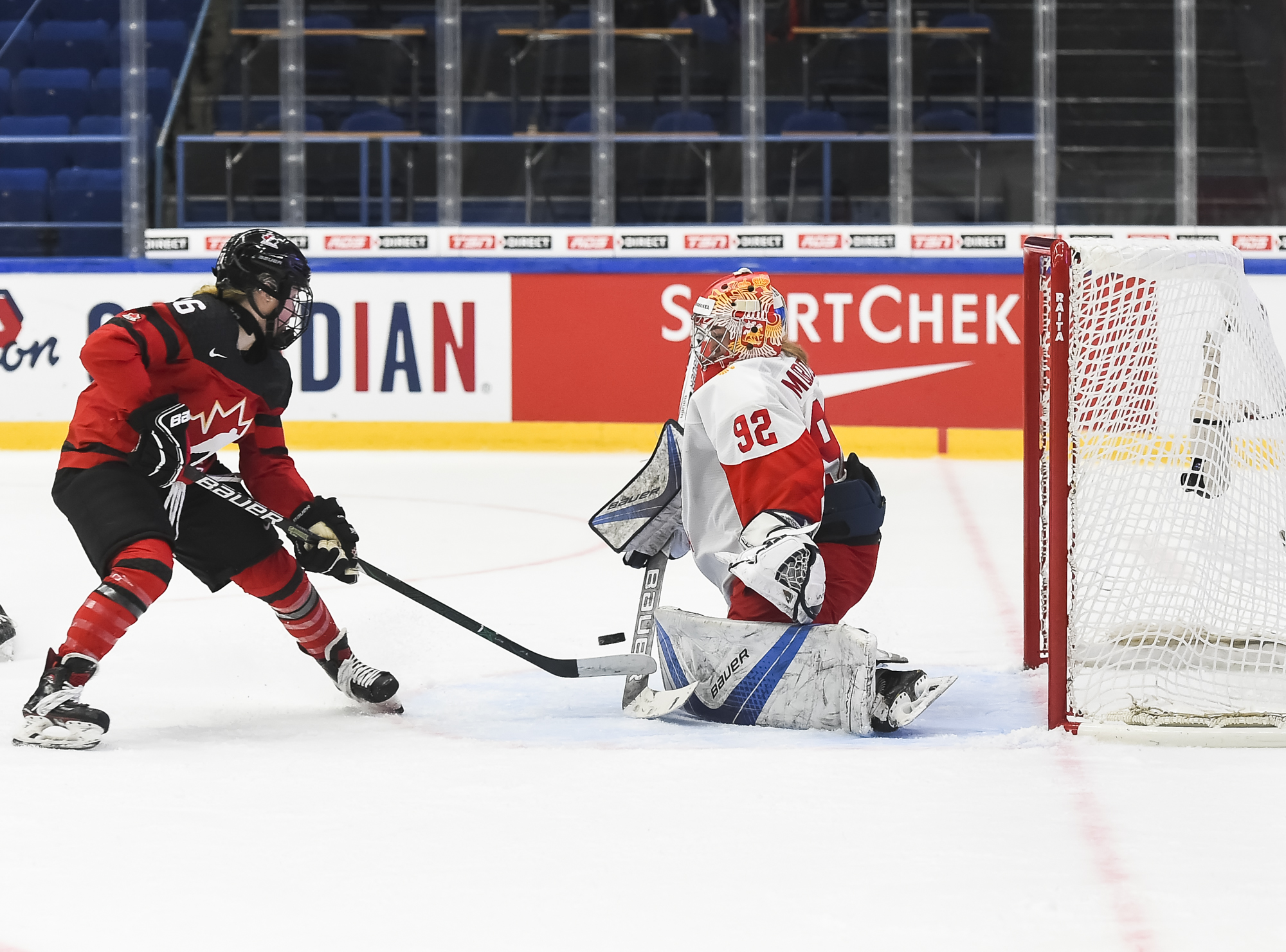 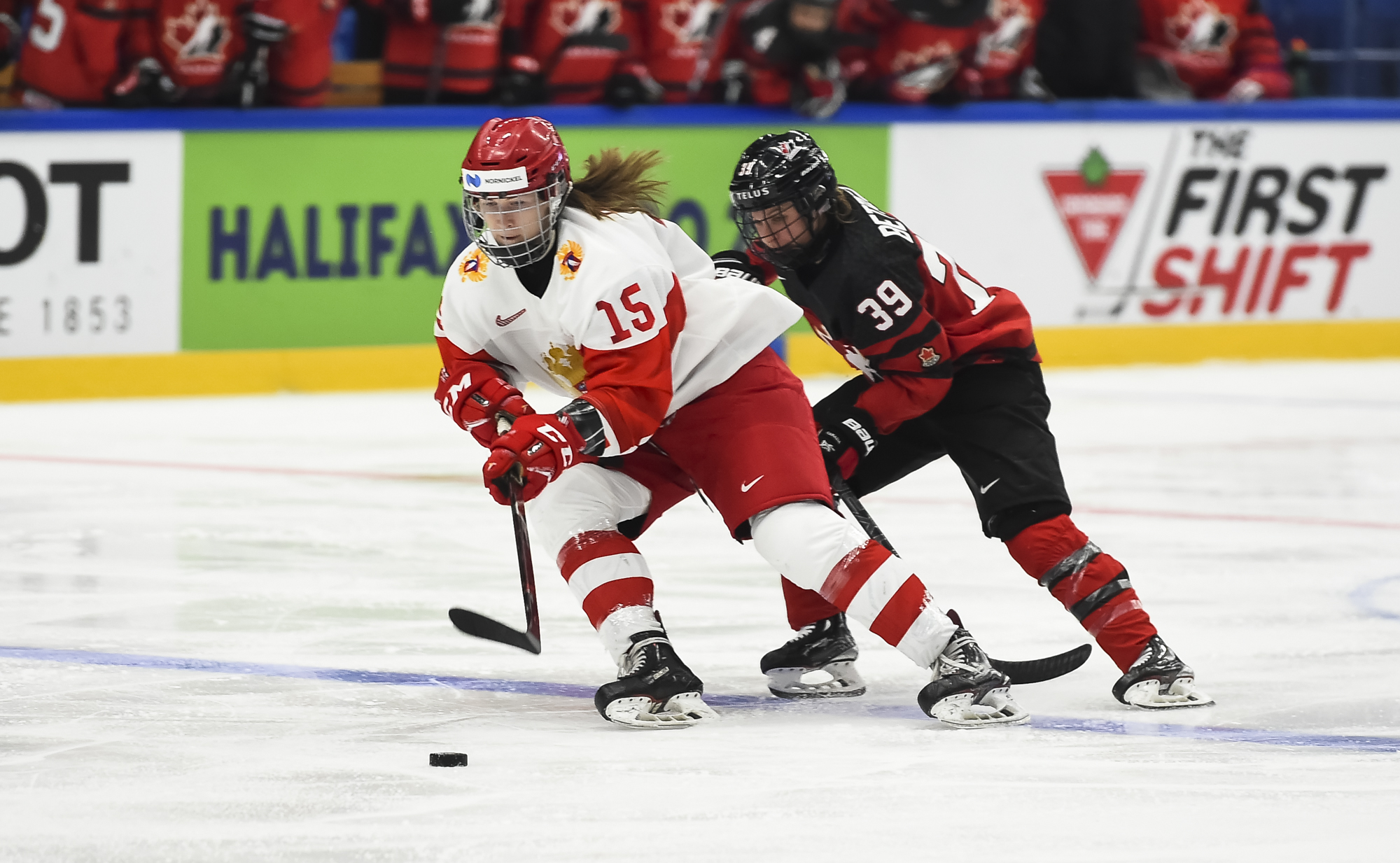 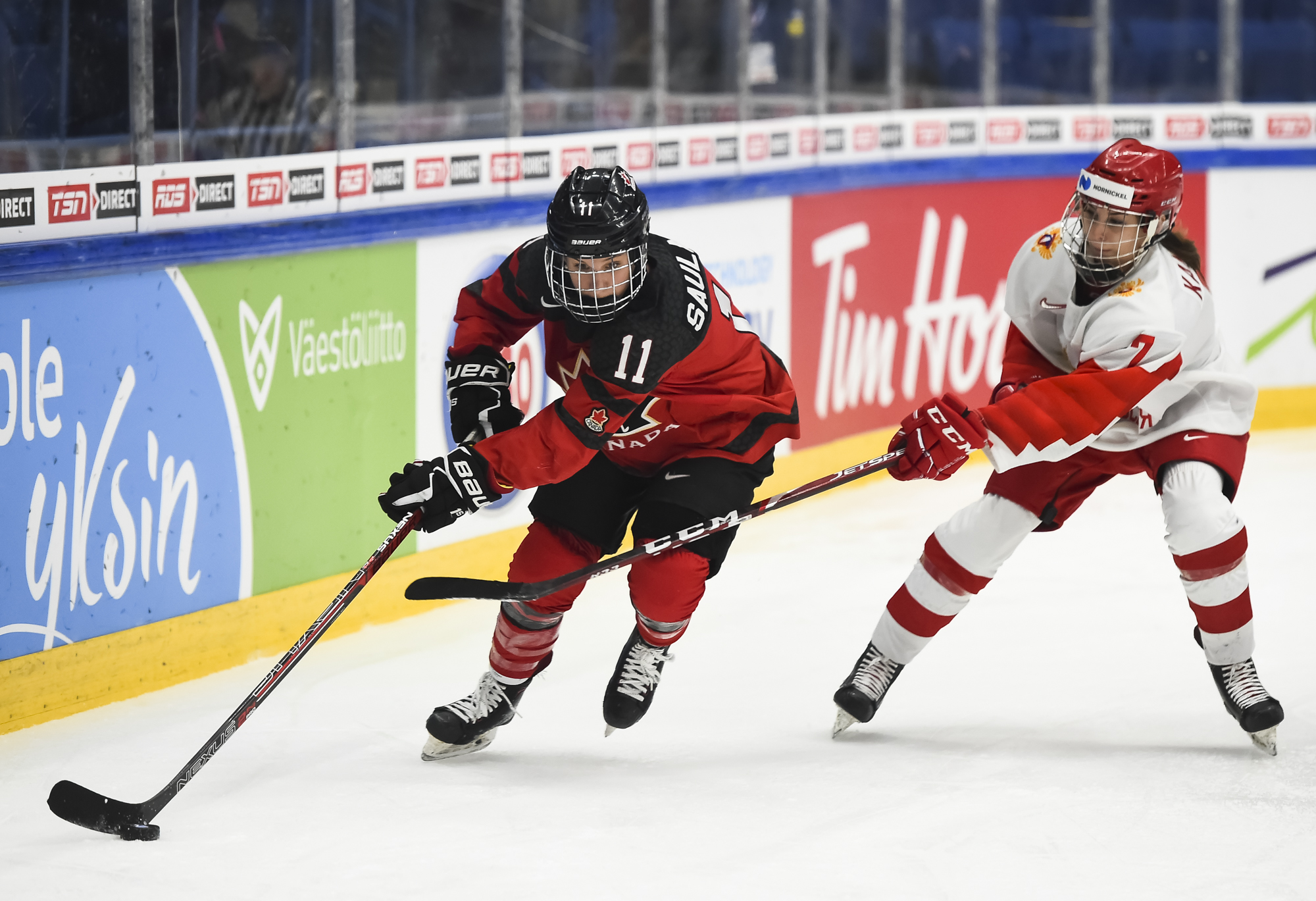 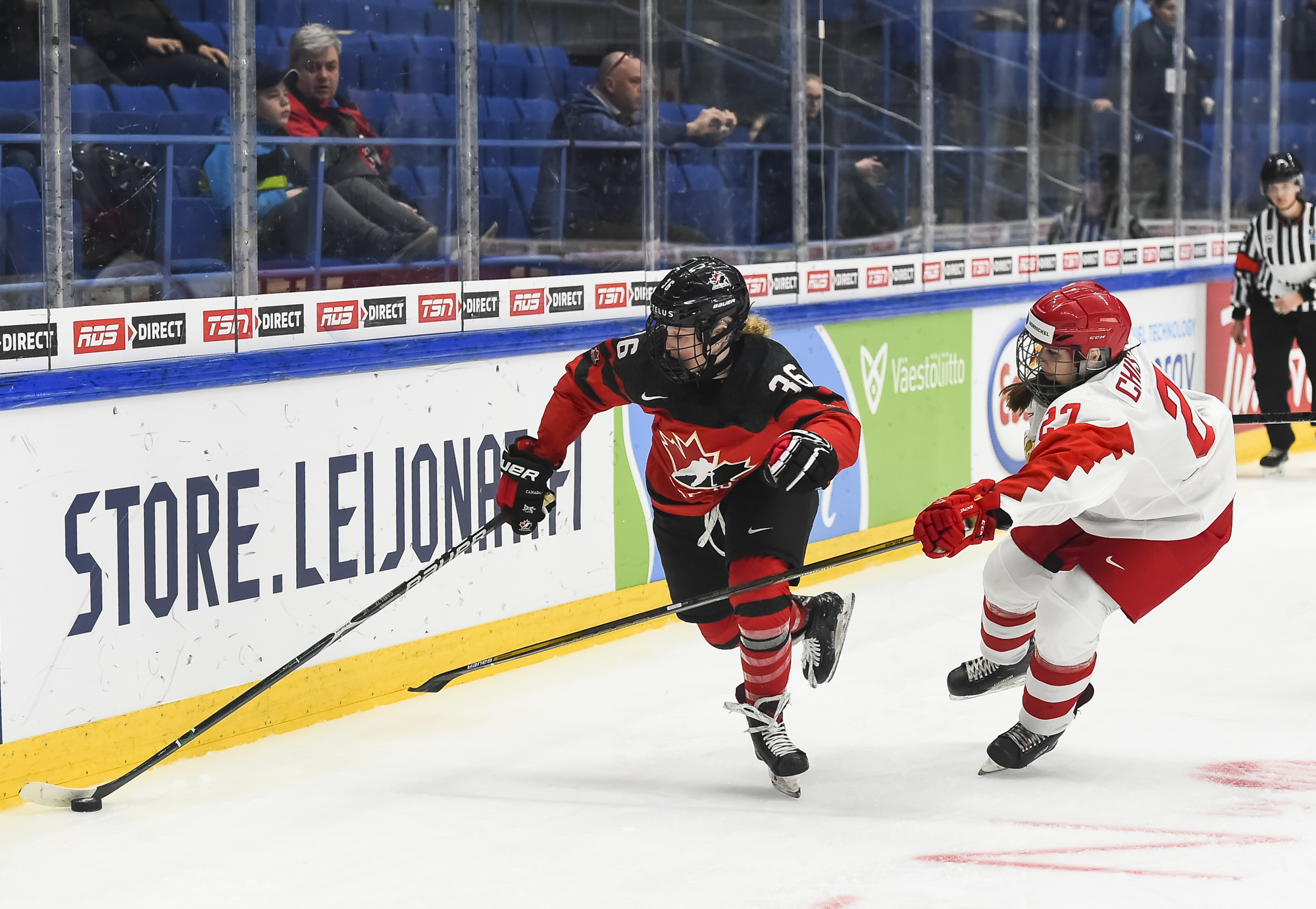 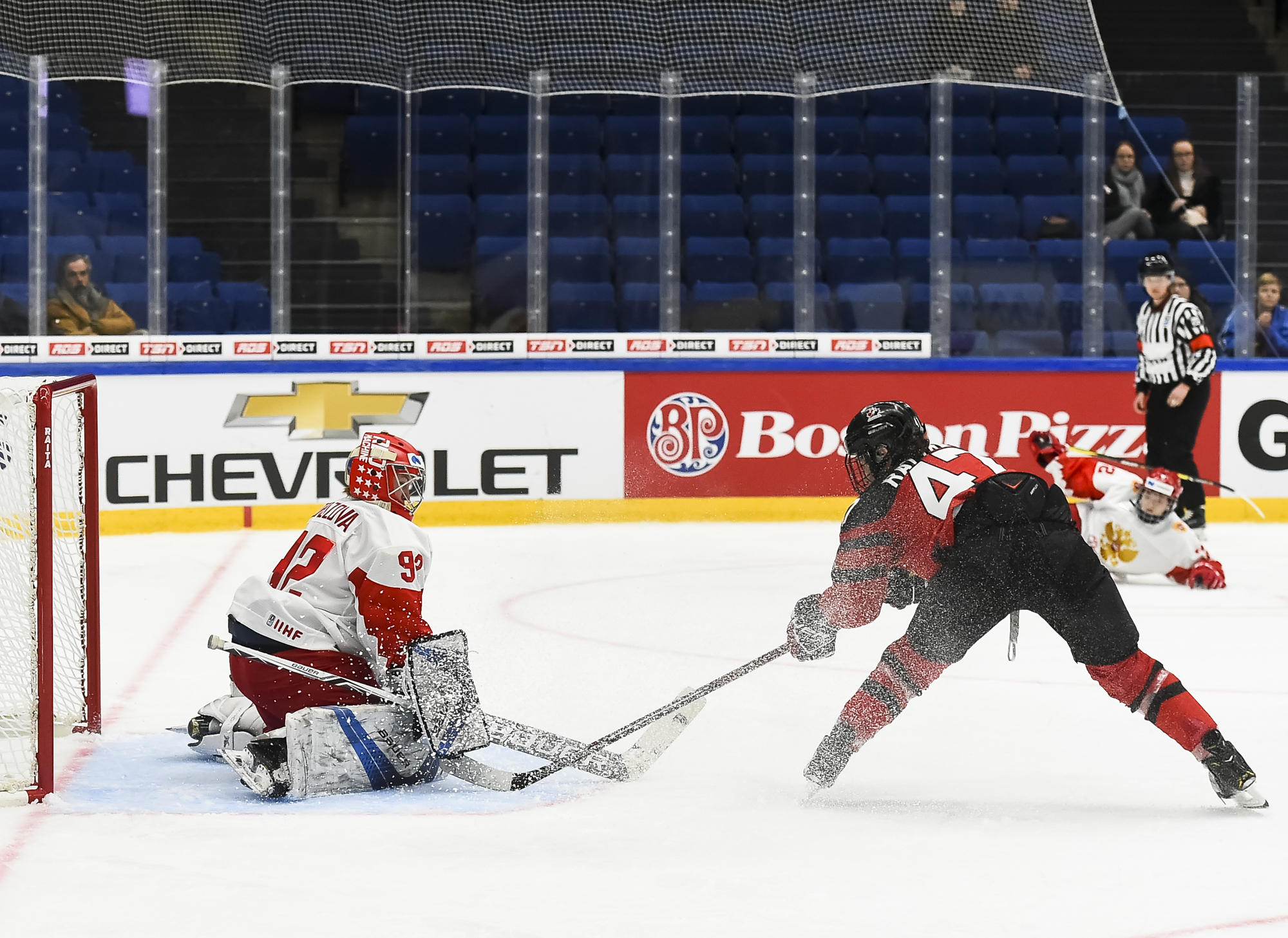 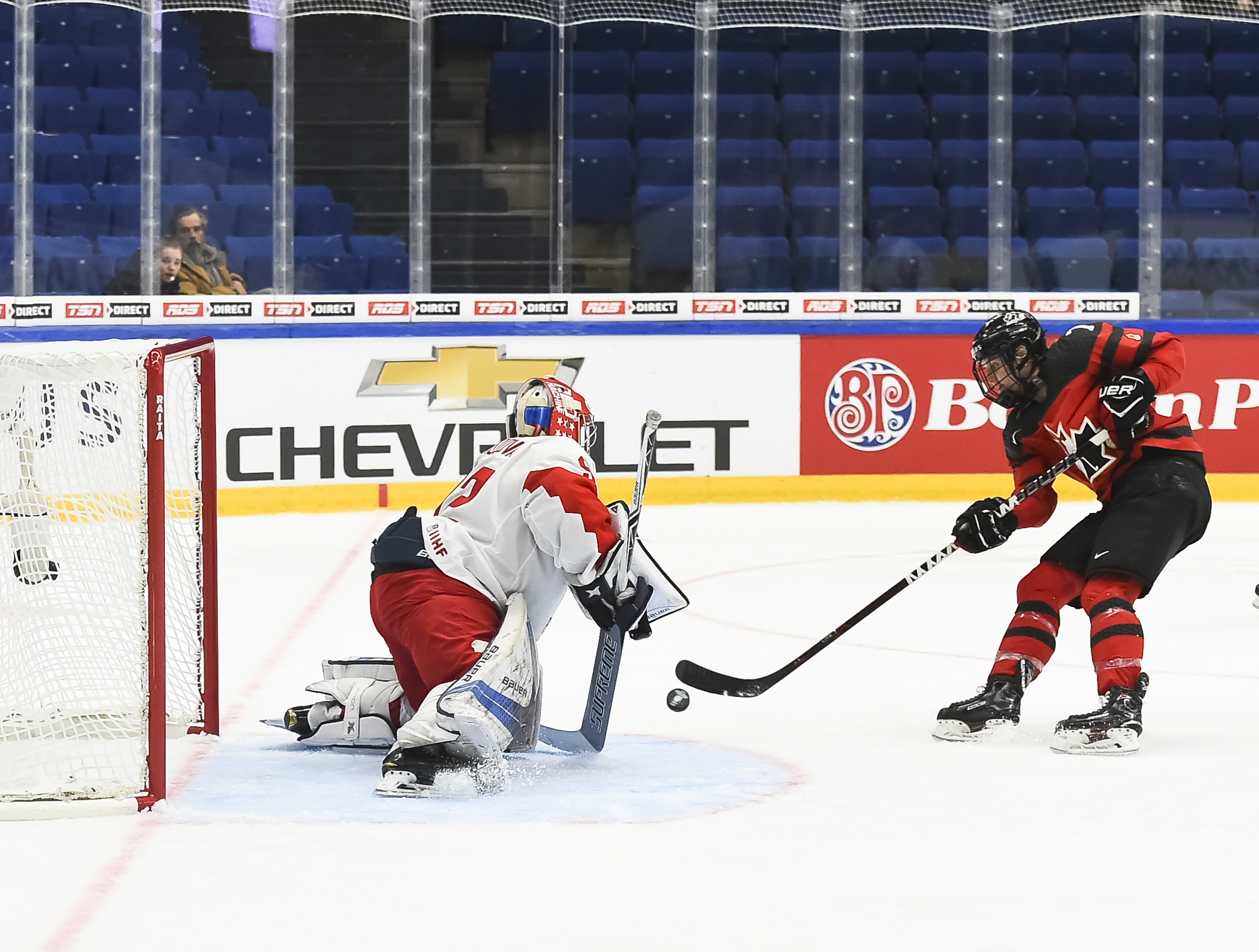 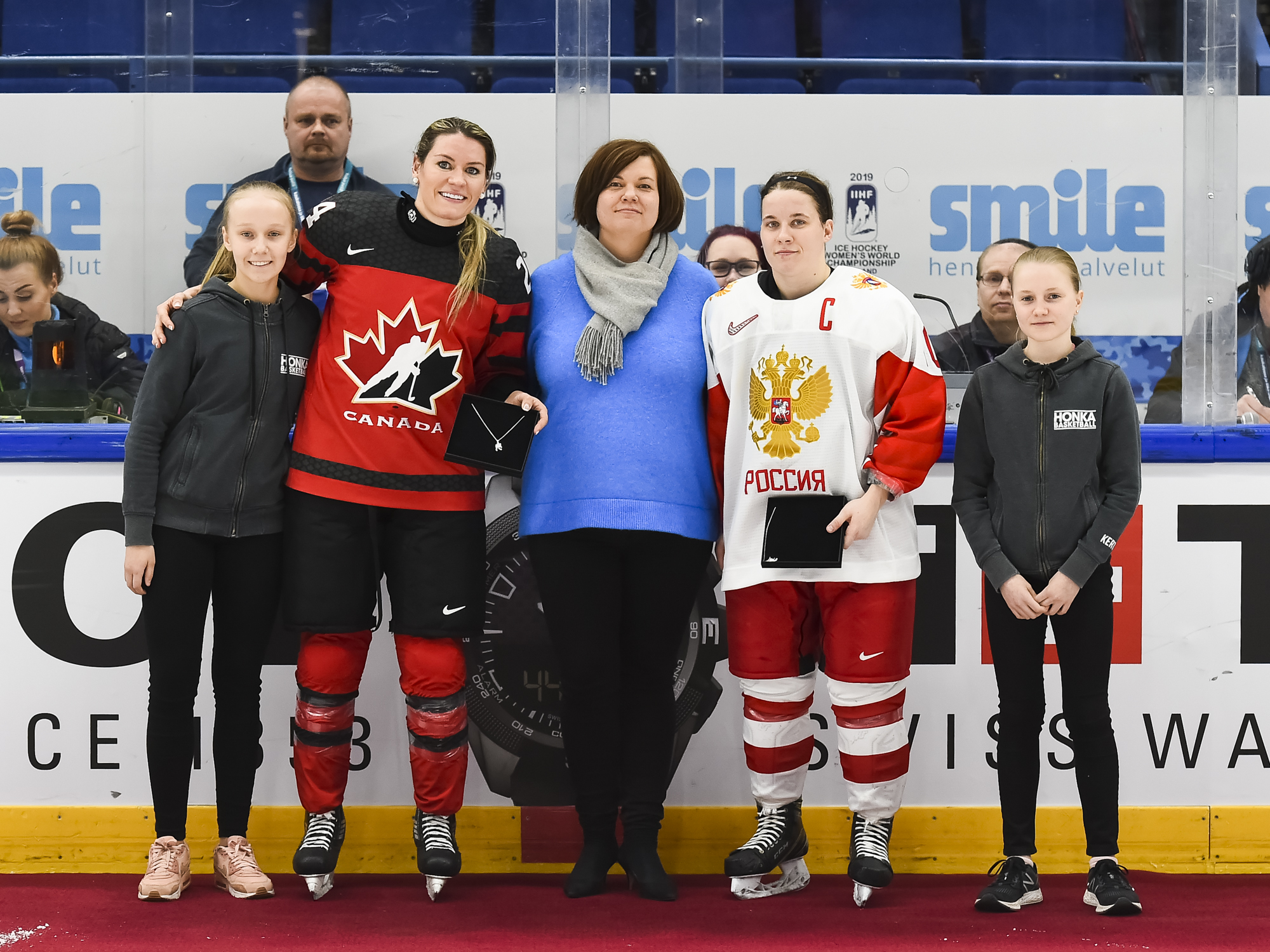 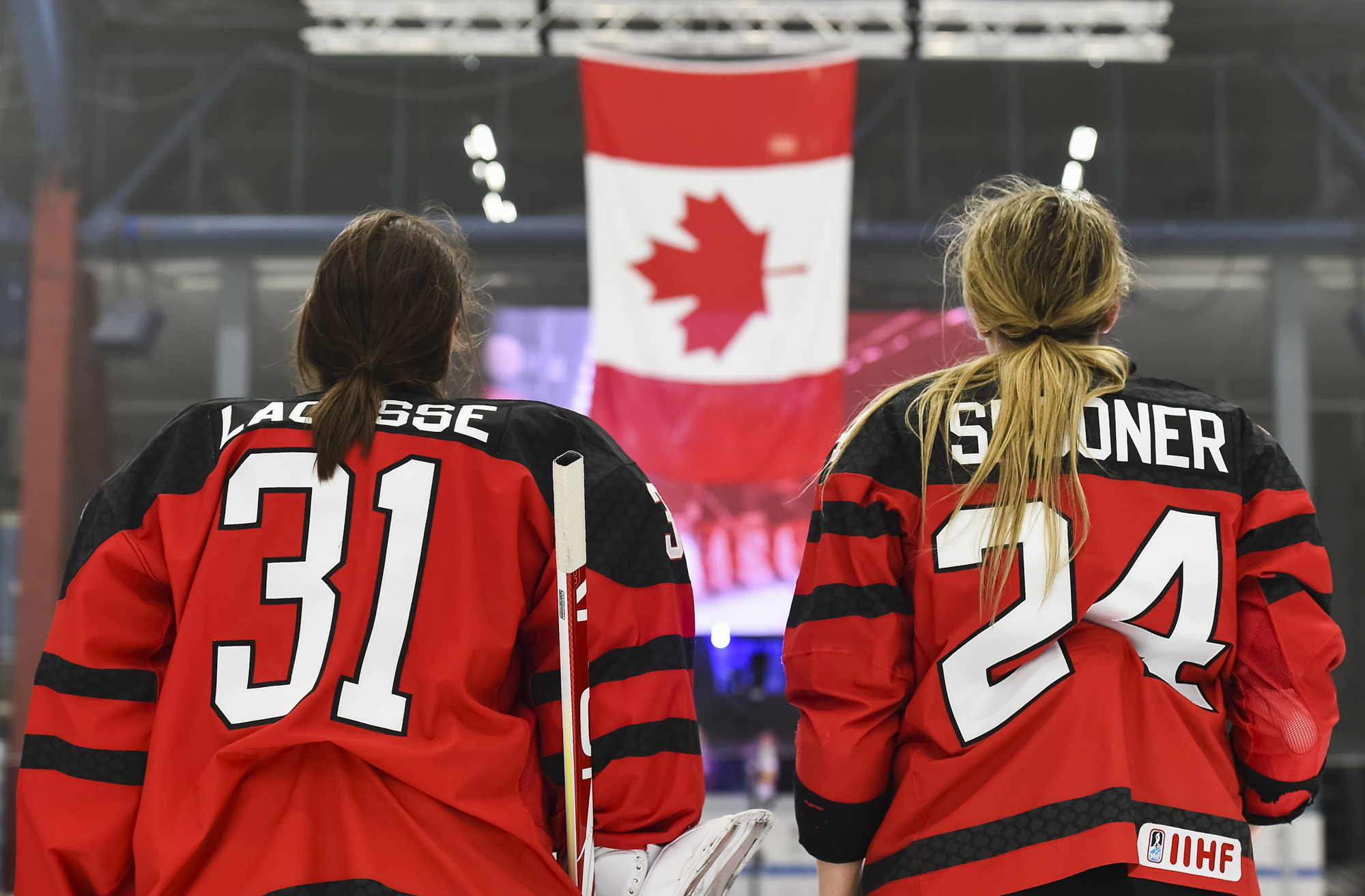 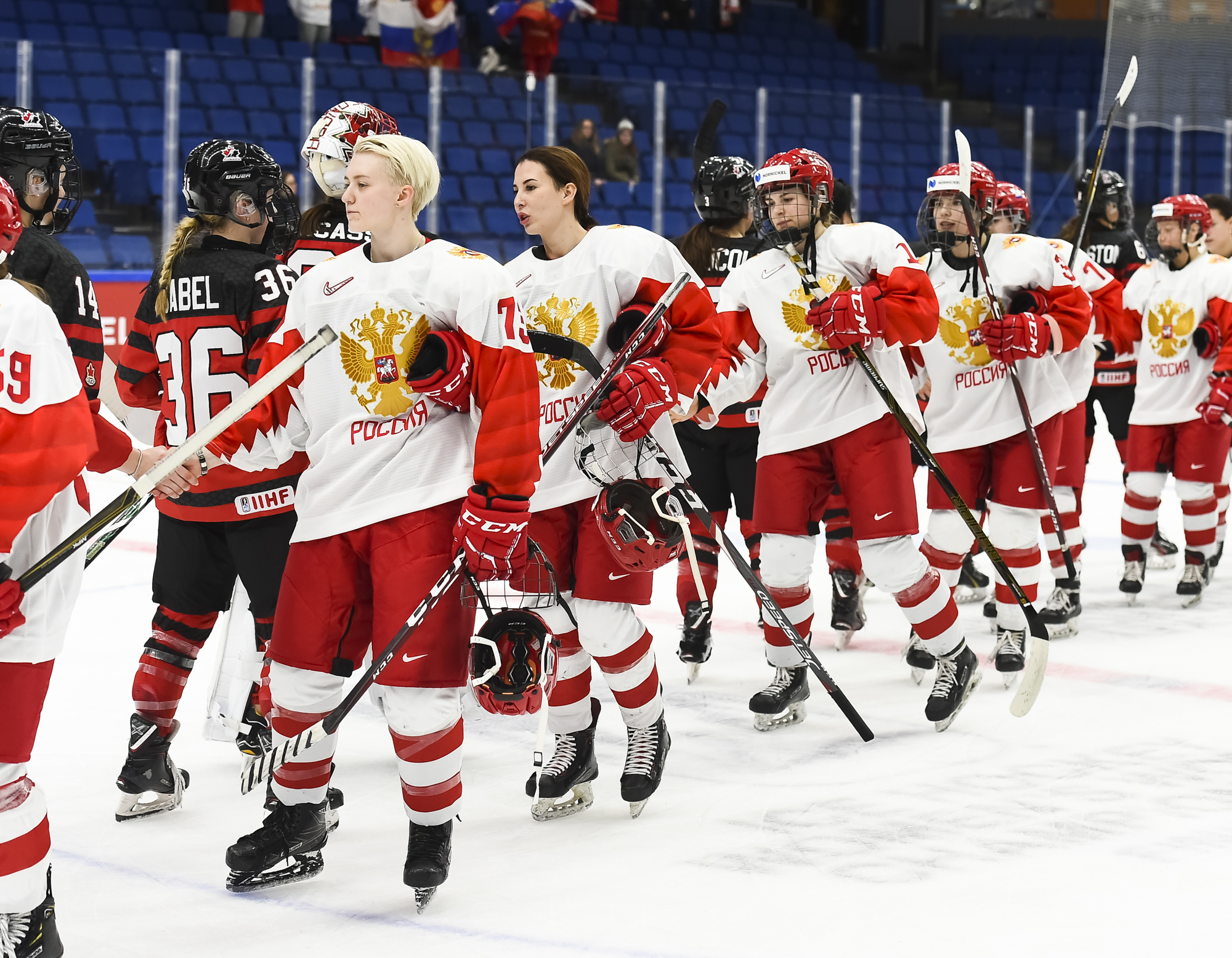 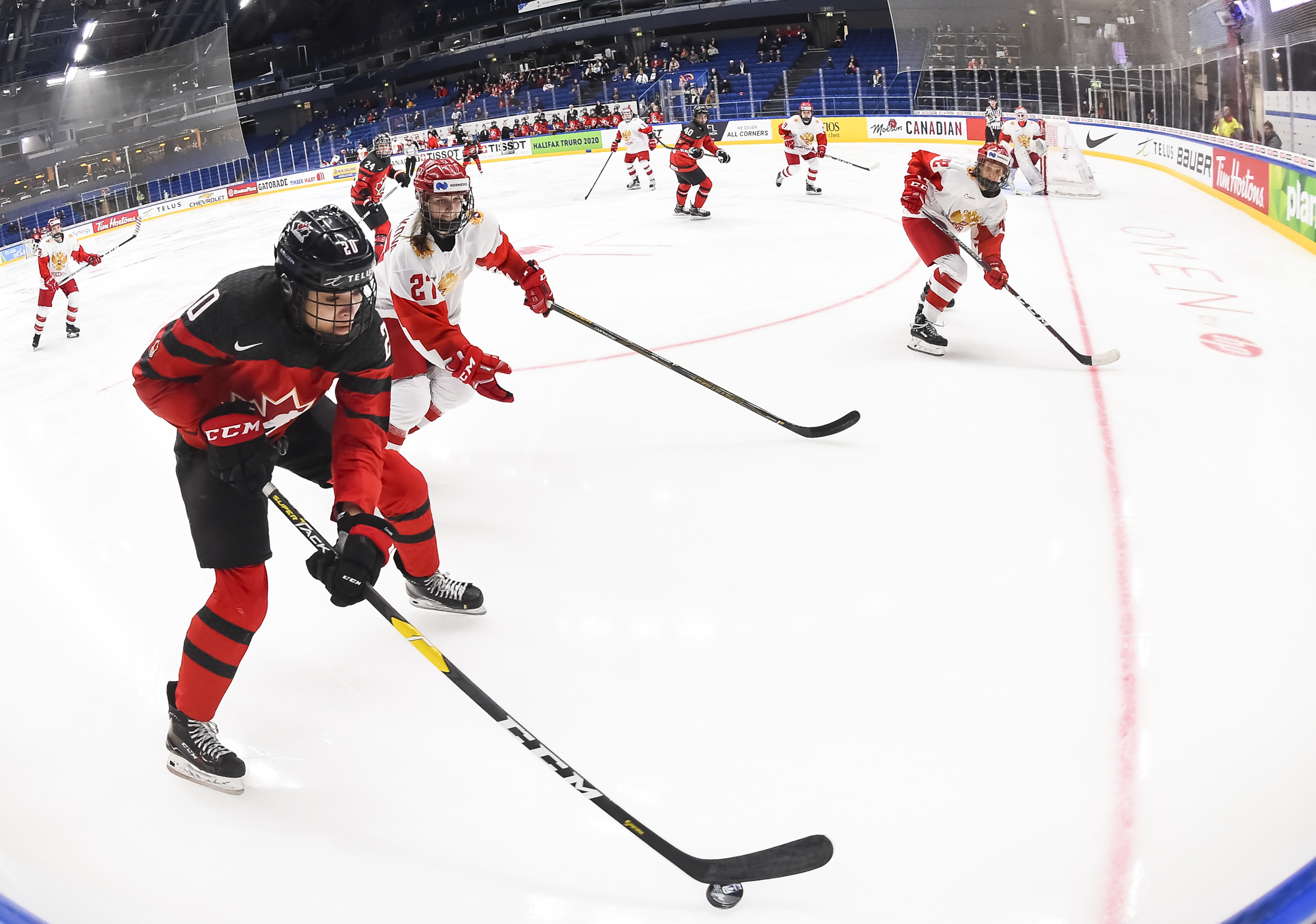 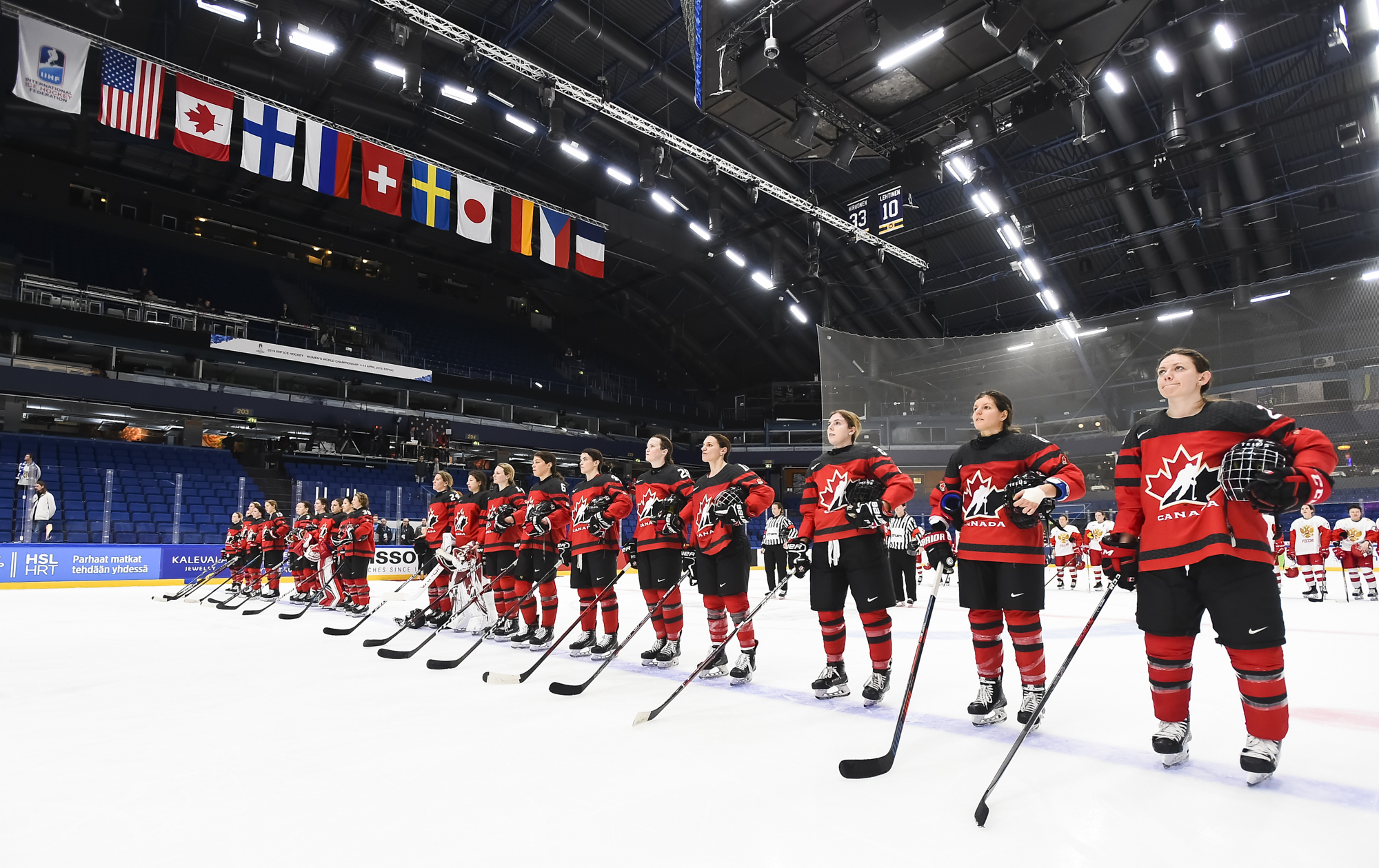 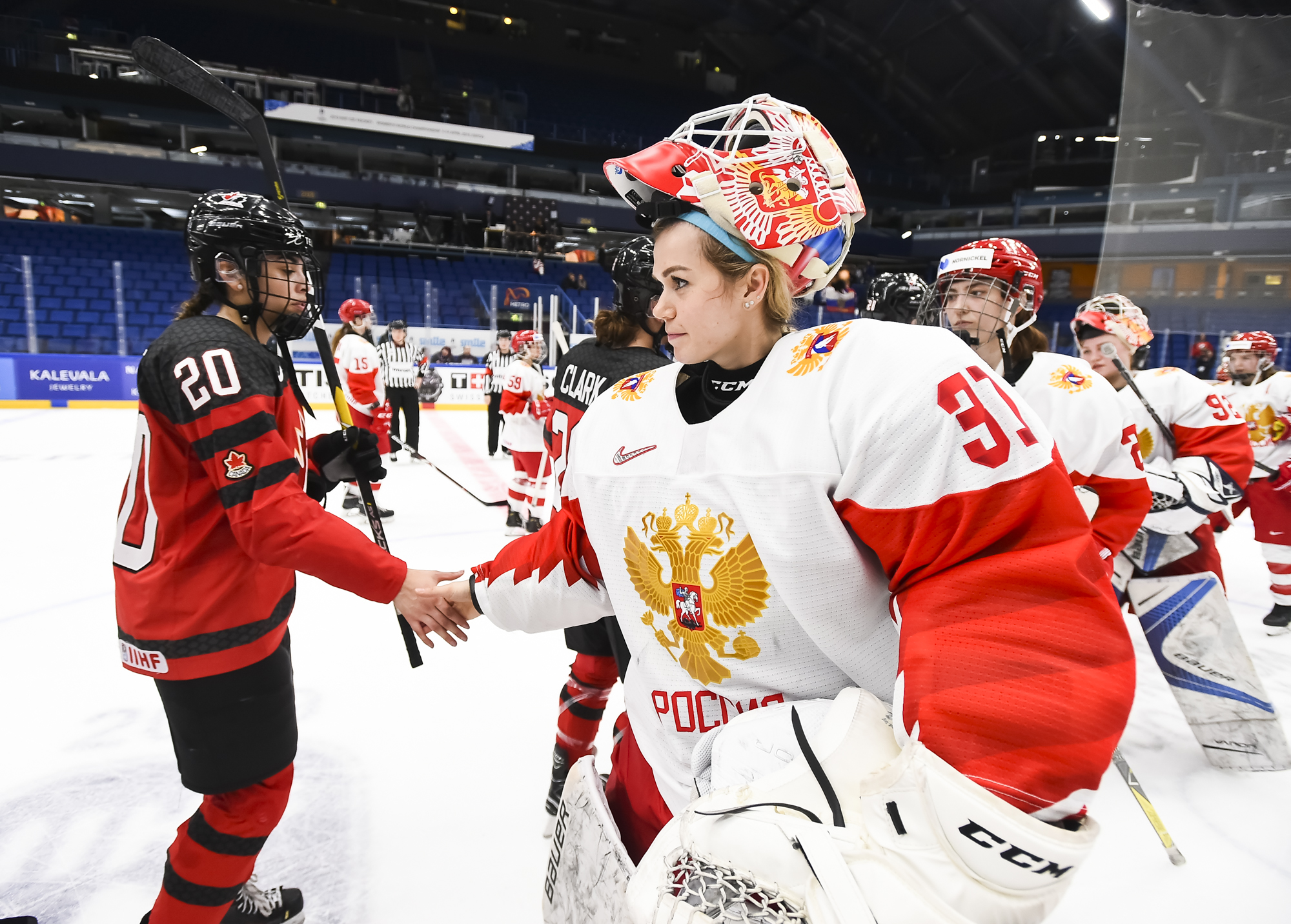 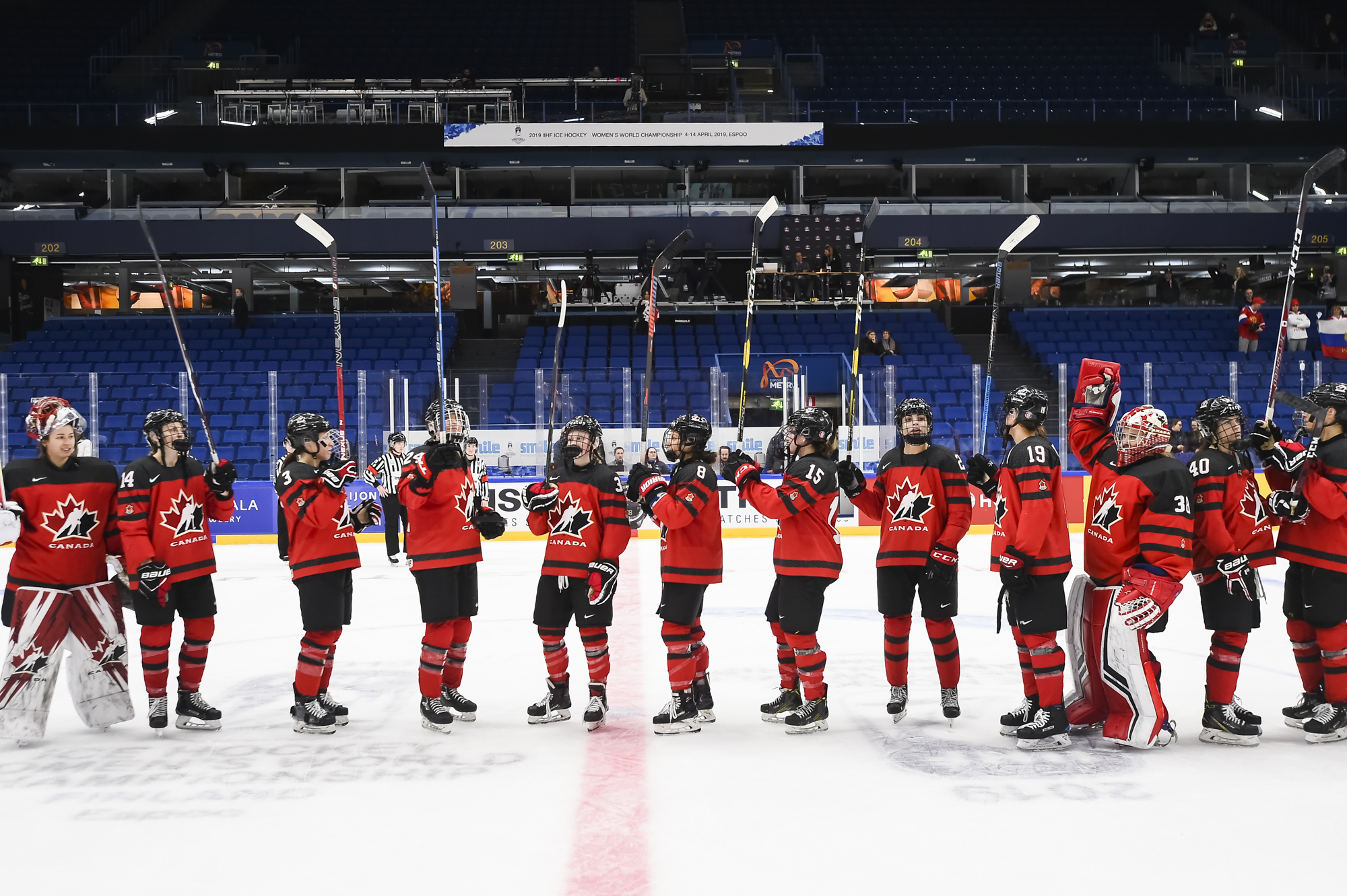