Canada edges Sweden
Canada scored the first two goals and battled to a solid 2-1 win over Sweden on the first day of the Women's U18 Worlds.
photo: Steve Kingsman/HHOF-IIHF Images
share
The 2019 edition of the Women’s World U18 Championship got under way this afternoon in Obihiro, Japan, with a 2-1 Canadian victory over Sweden in Group A play.

"I thought tonight we were really on the ball," enthused Canadian captain Maggie MacEachern. "We were super excited to get here and play our first game. Our energy was through the roof. We maybe struggled a bit in the second, but in the end we were excited and ready to win."

"I think we played a great game today," echoed Sweden captain Josefin Bouveng. "We had great energy and pushed each other. We were strong in front of the net, but we took too many penalties. We're a great group, and we all play for each other."

Indeed, the Swedes were short-handed seven times to Canada's five, and although they gave up only one goal it's more about the rhythm and momentum that suffered.

Shots favoured Canada by a whopping 34-10 margin, but the scoreboard told a different story. Last year Sweden took the Americans to overtime in the preliminary round and fought their way to a silver, and this year they appear to have the same resolve and confidence.

Both teams are right back at it tomorrow. Sweden plays Russia in the early game while the two North Americans play what should be another classic later in the day.

Canada opened the scoring at 11:38 of the first period when Nicole Gosling’s point shot was nicely redirected by Daniella Calabrese past Tindra Holm in goal.

The Canadians doubled their lead midway through the second when Danielle Serdachny’s shot went through a maze of players and in.

Three minutes later, though, the Swedes responded in kind. Gabriella Johansson corralled a loose puck and snapped a quick shot that got by a screened Mahika Sarrazin.

Canada played a cautious third, but in the last couple of minutes when the Swedes might have pulled Holm, Canada was hard on the puck again deep in the Sweden end and the goalie never did get off the ice.
Sweden vs. Canada (2019 IIHF WW18) 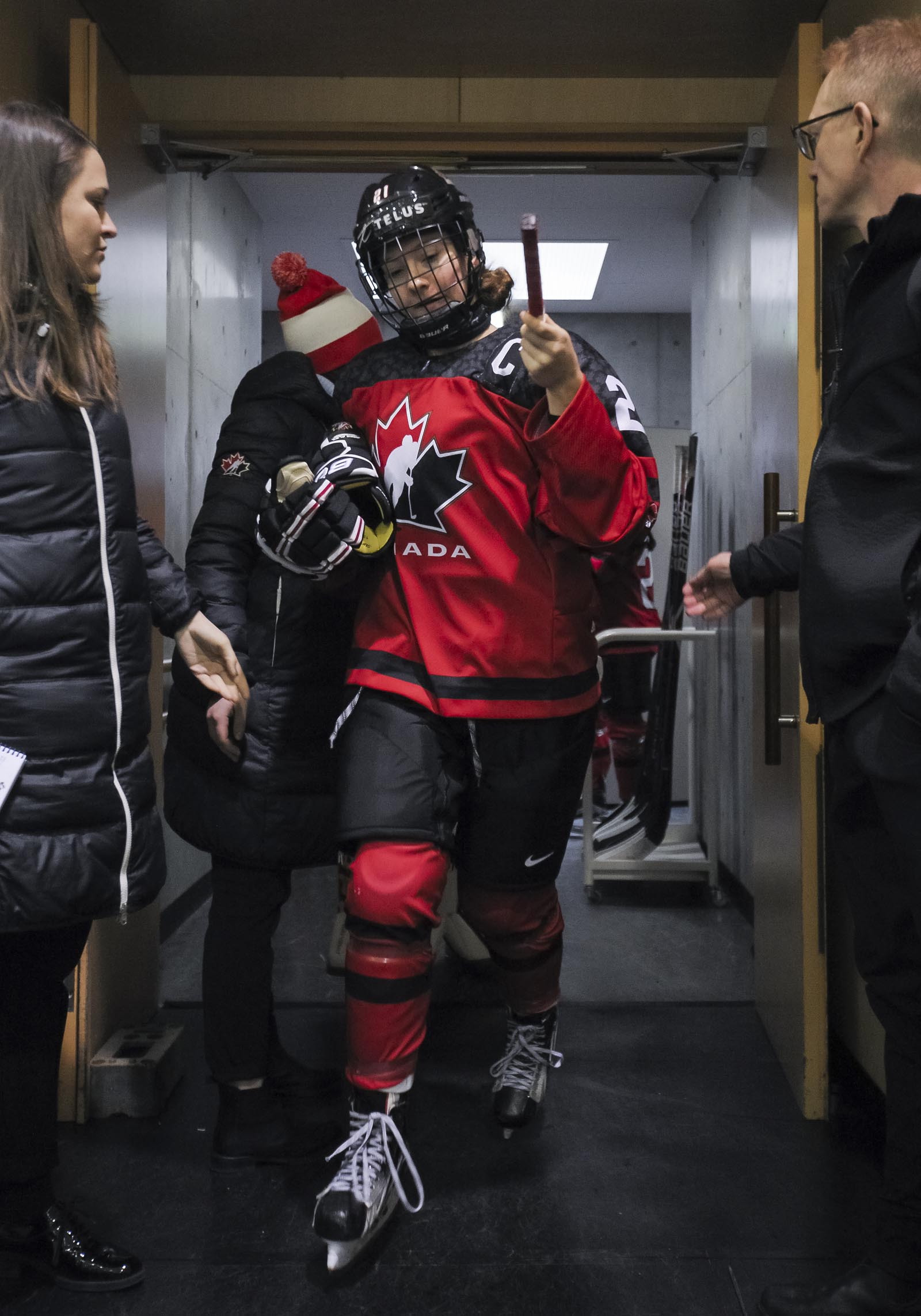 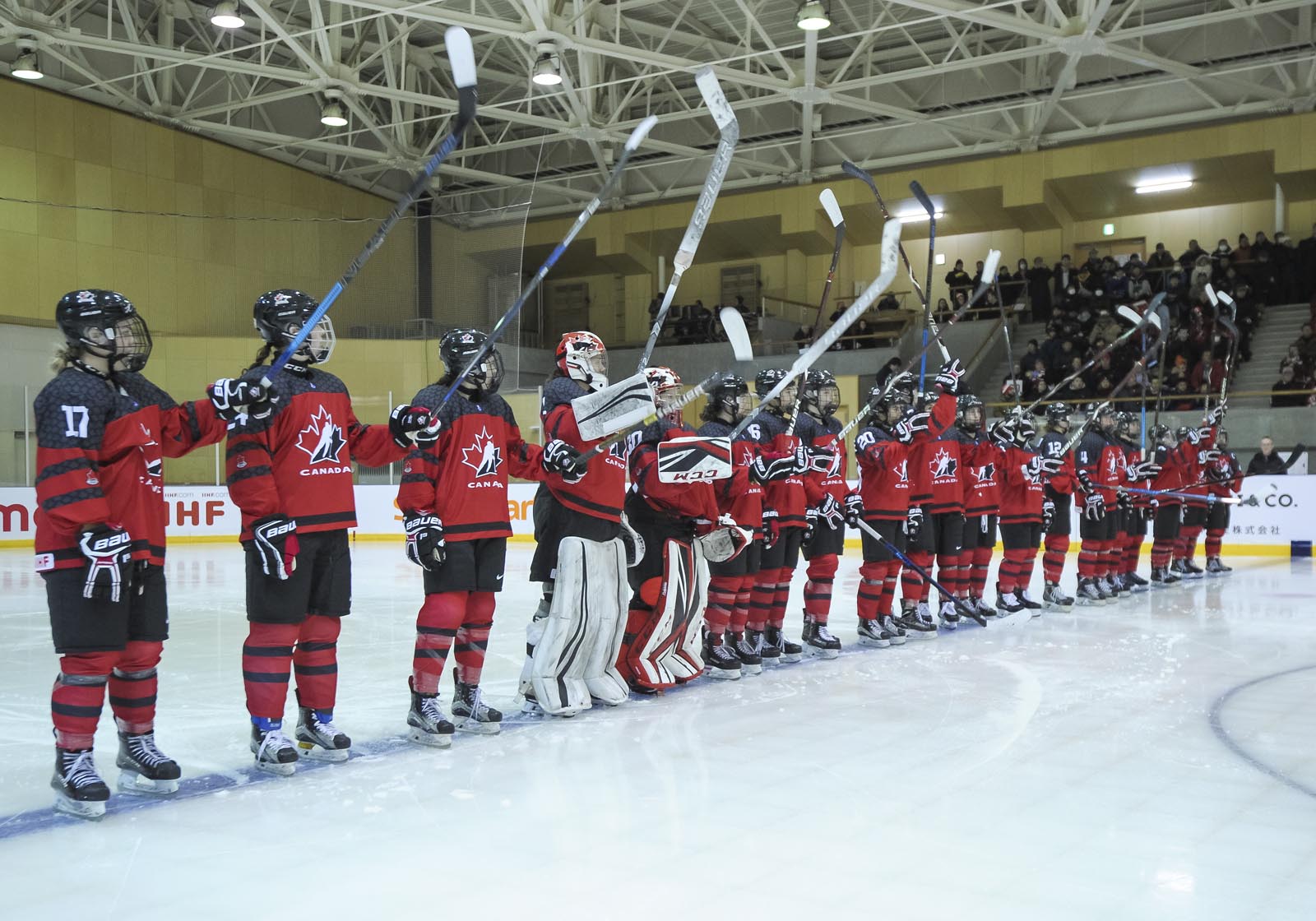 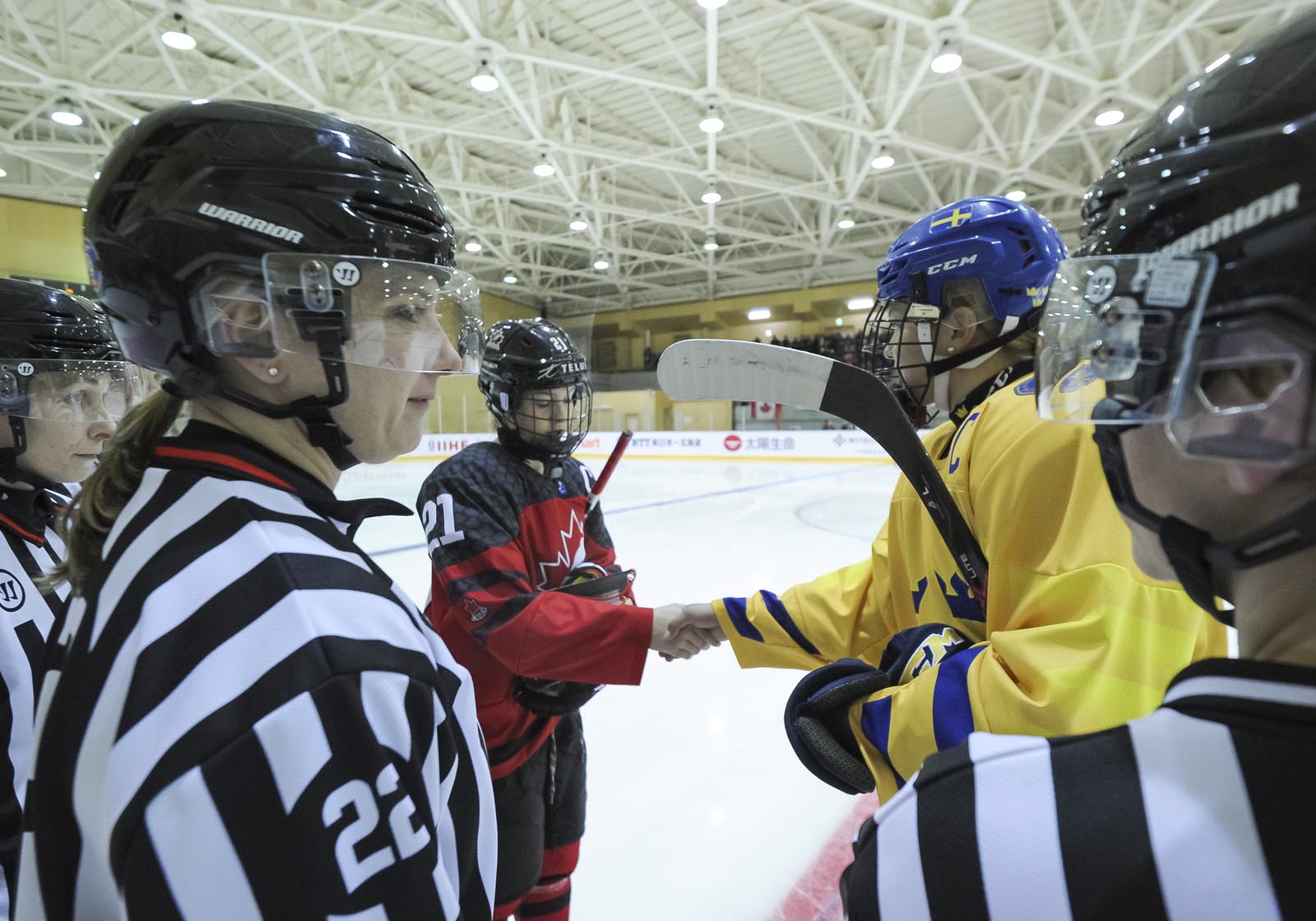 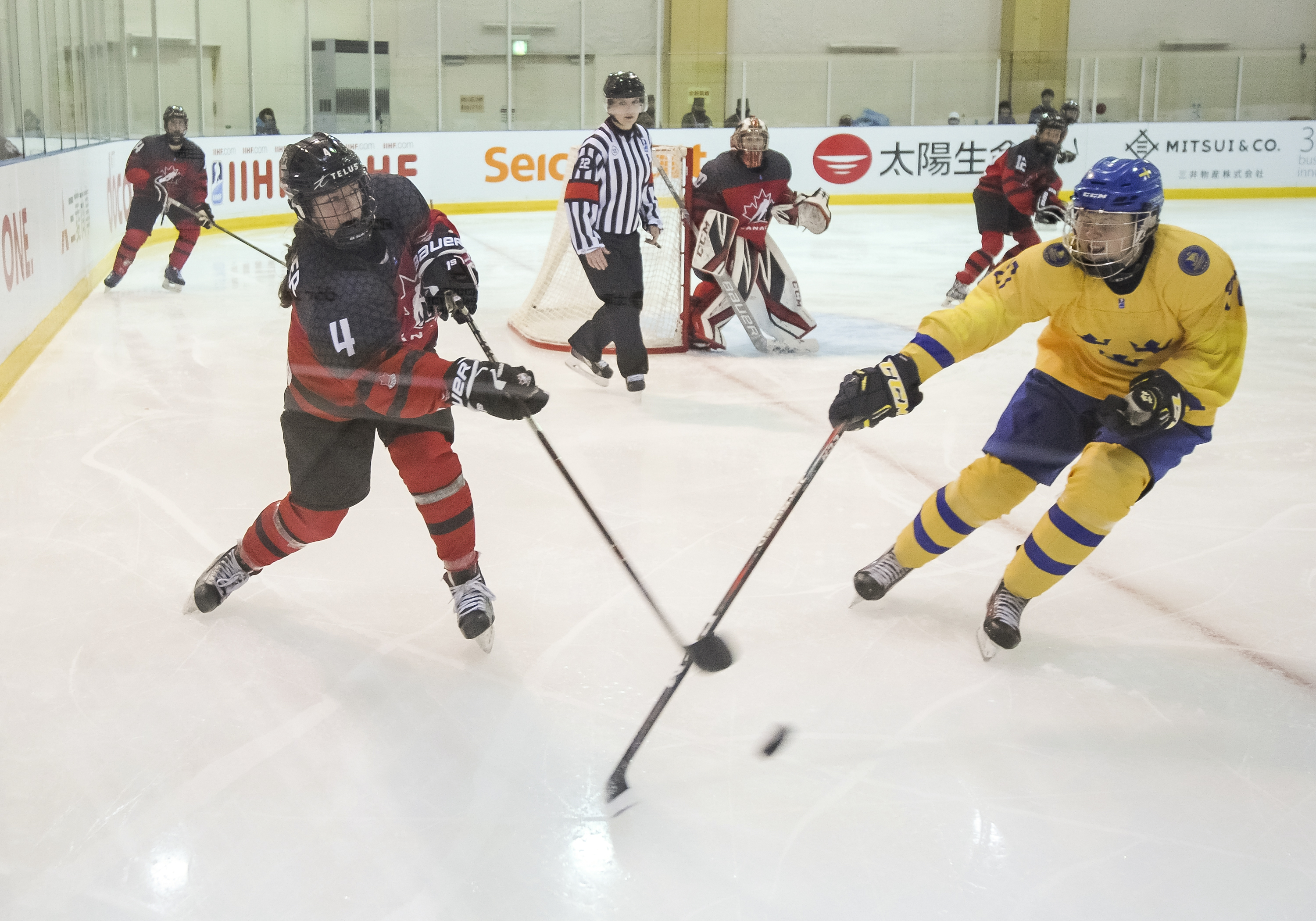 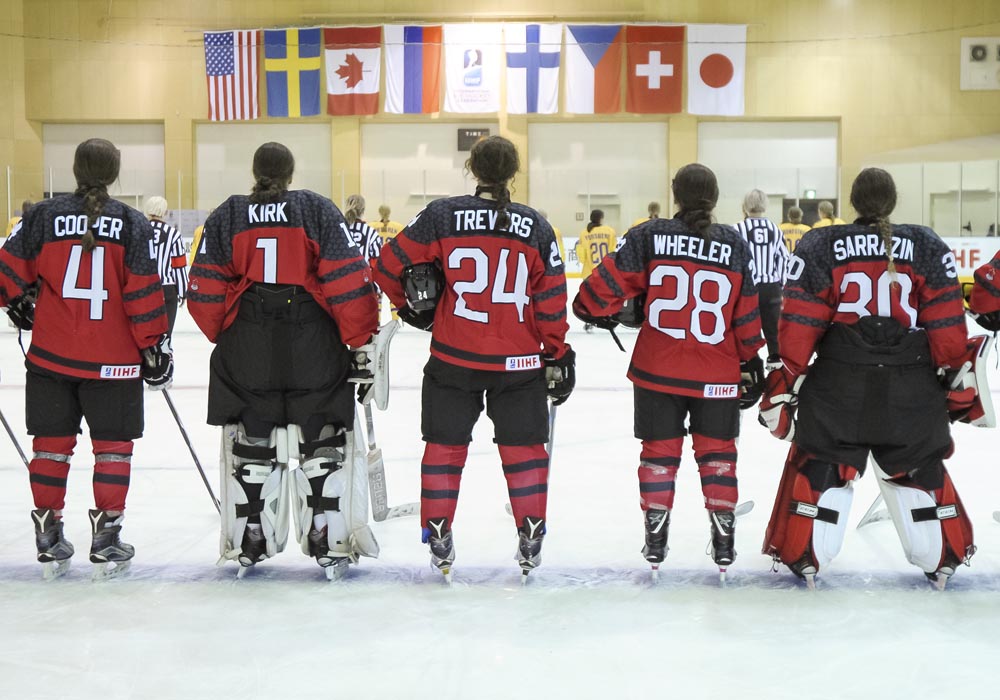 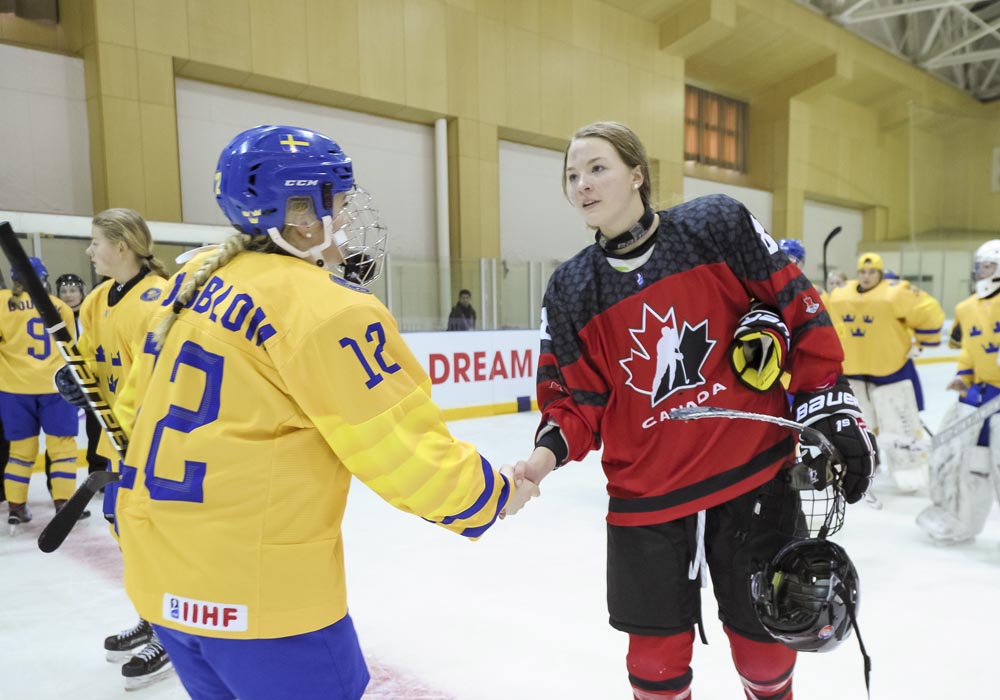 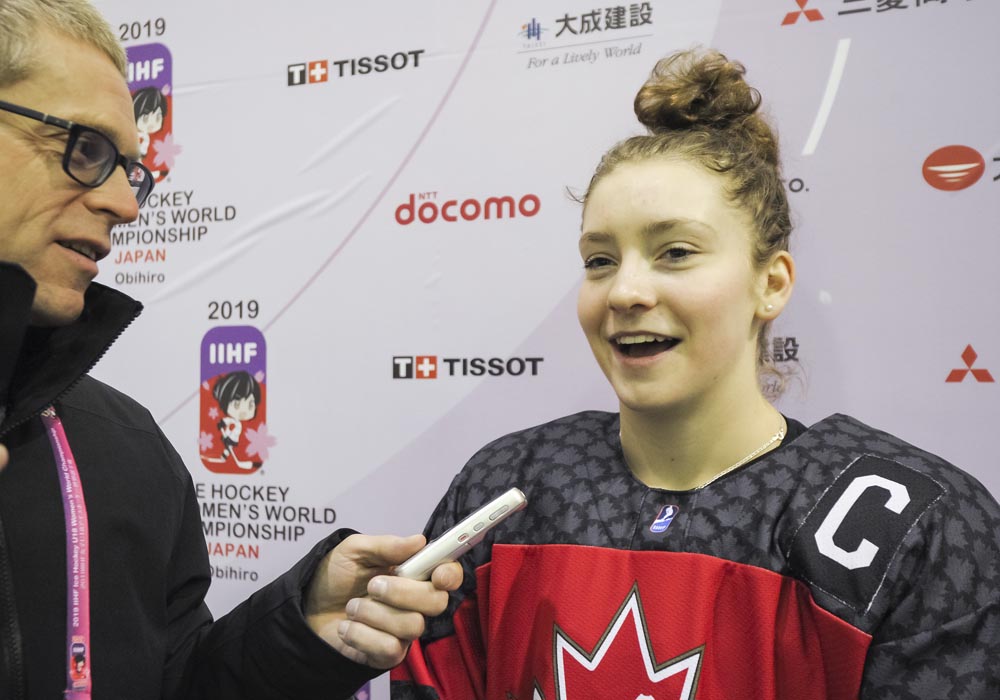 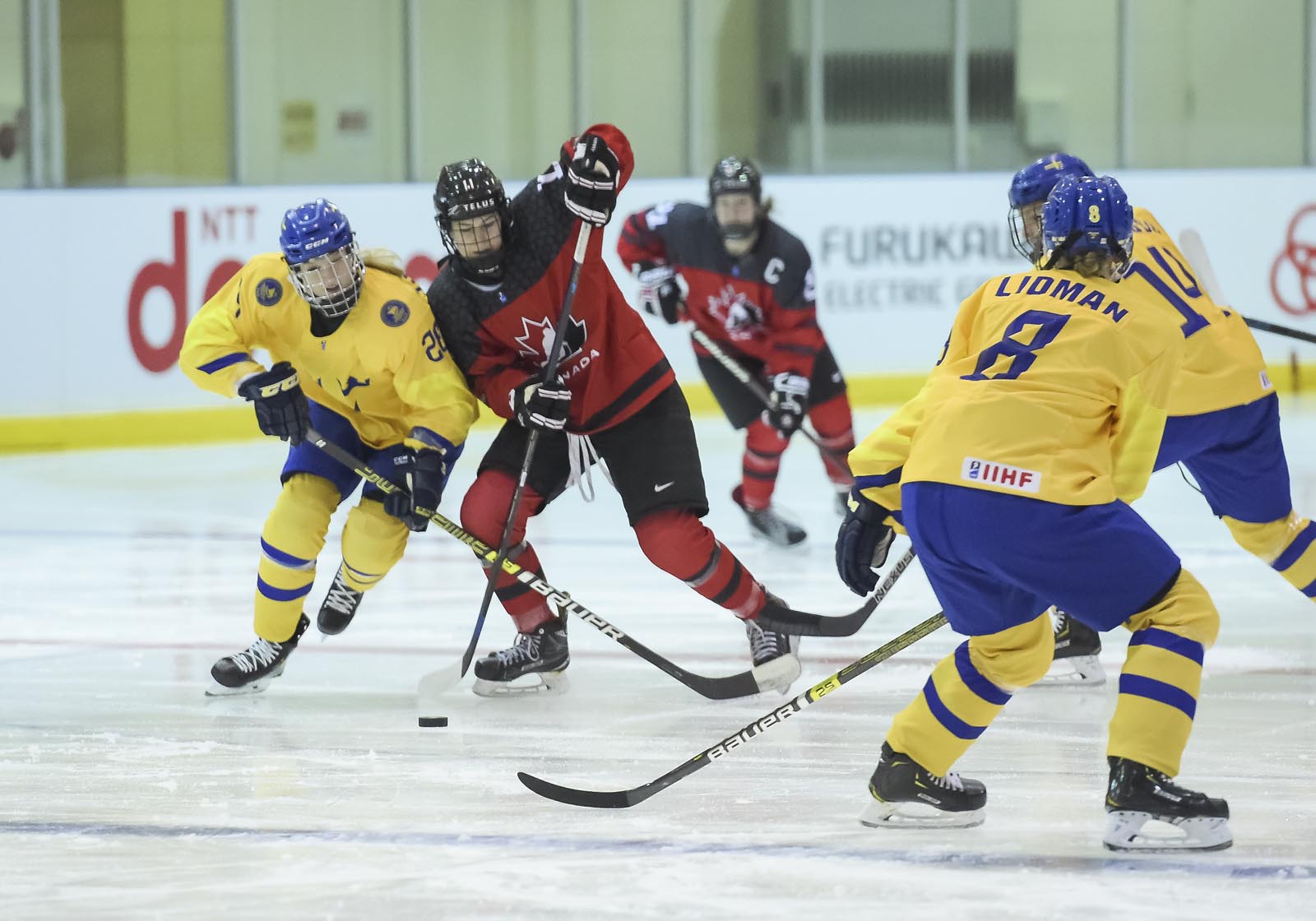 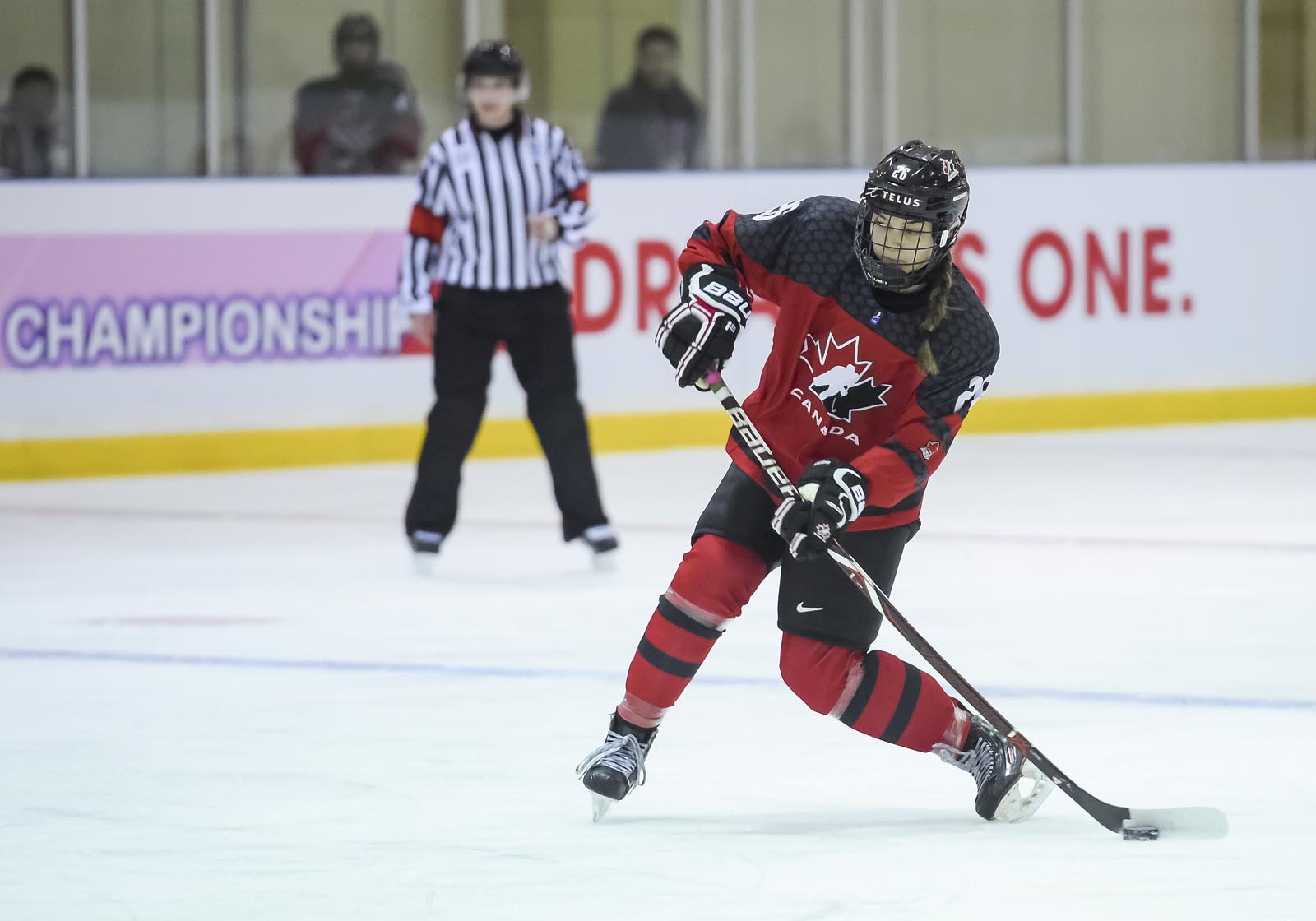 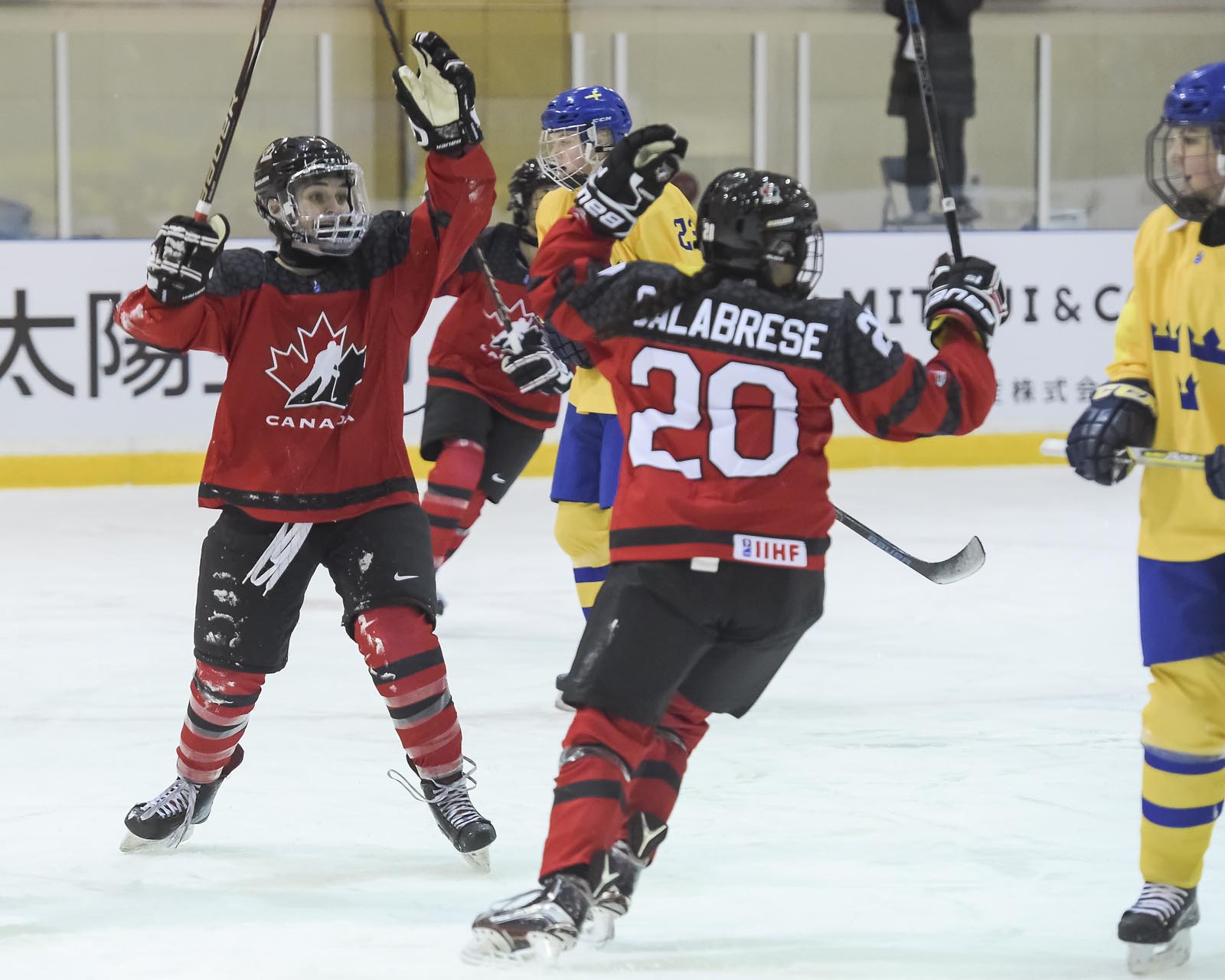 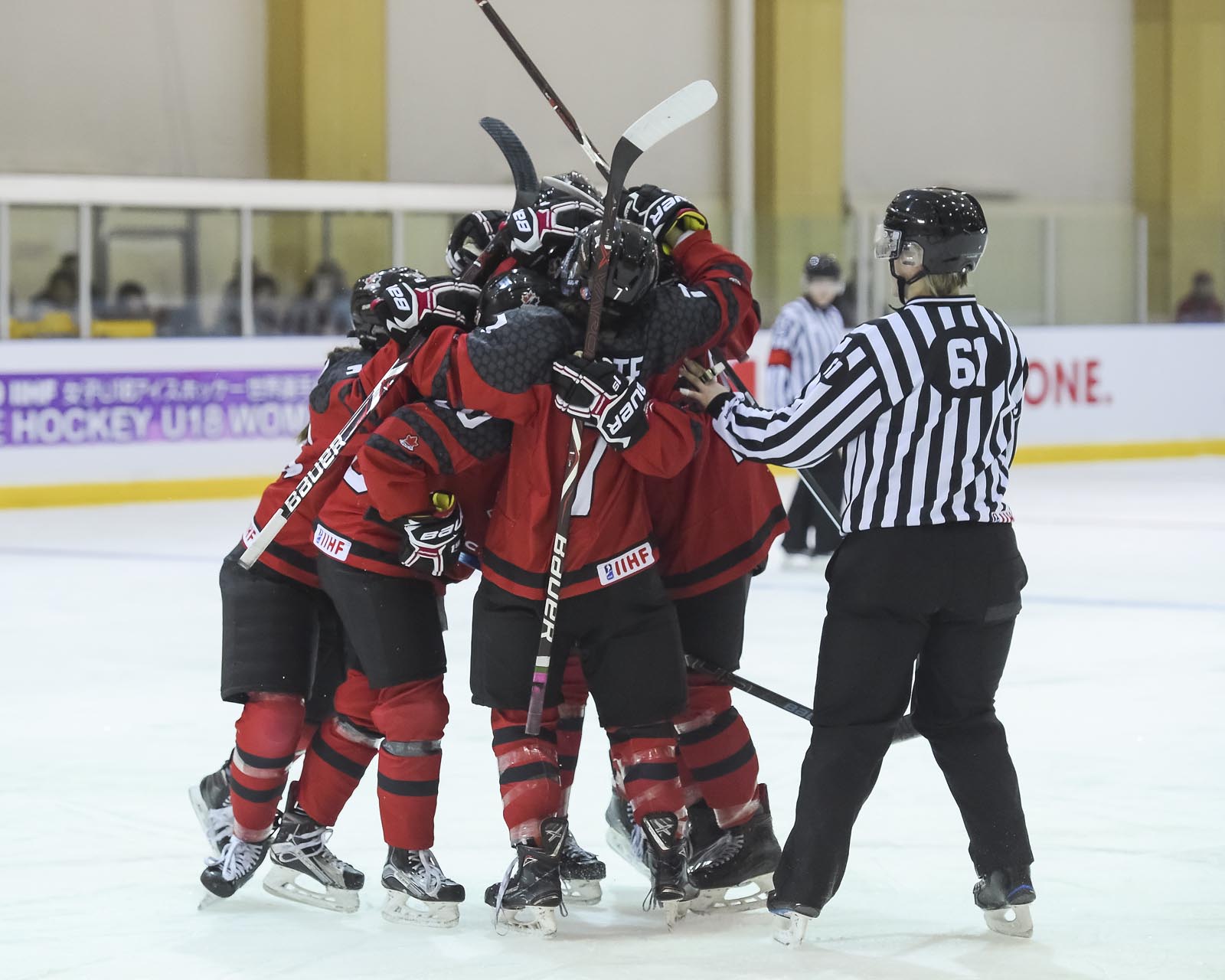 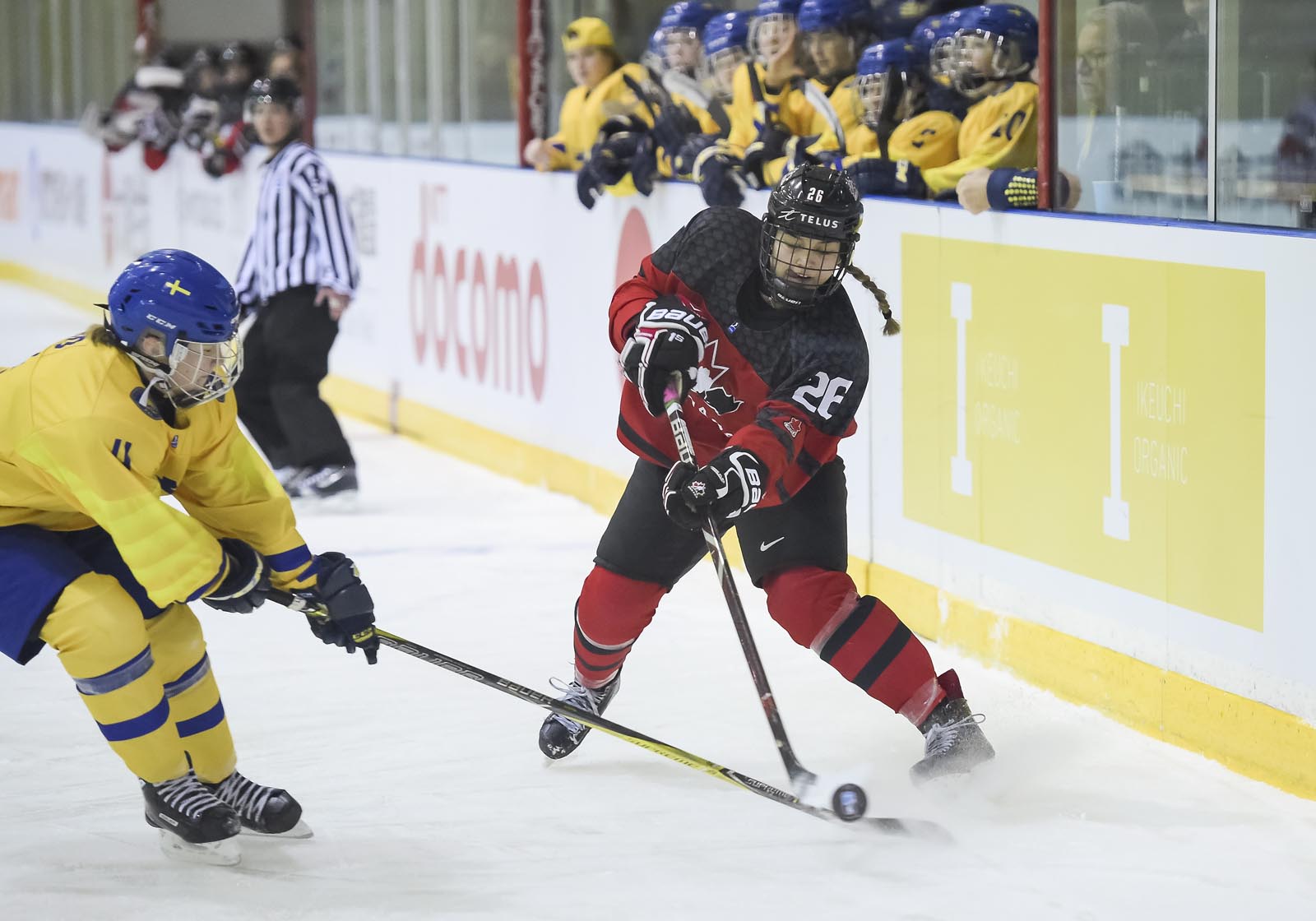 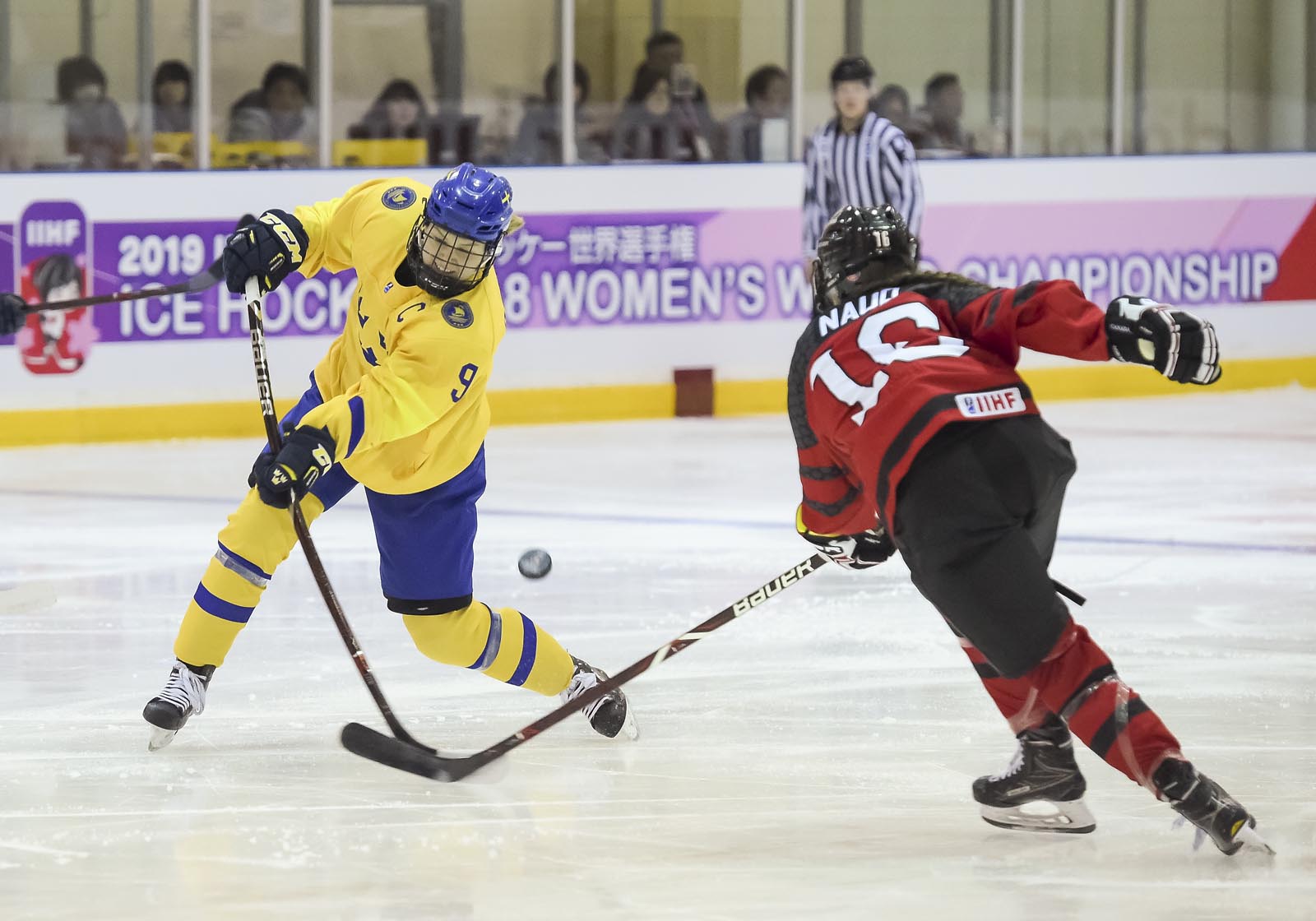 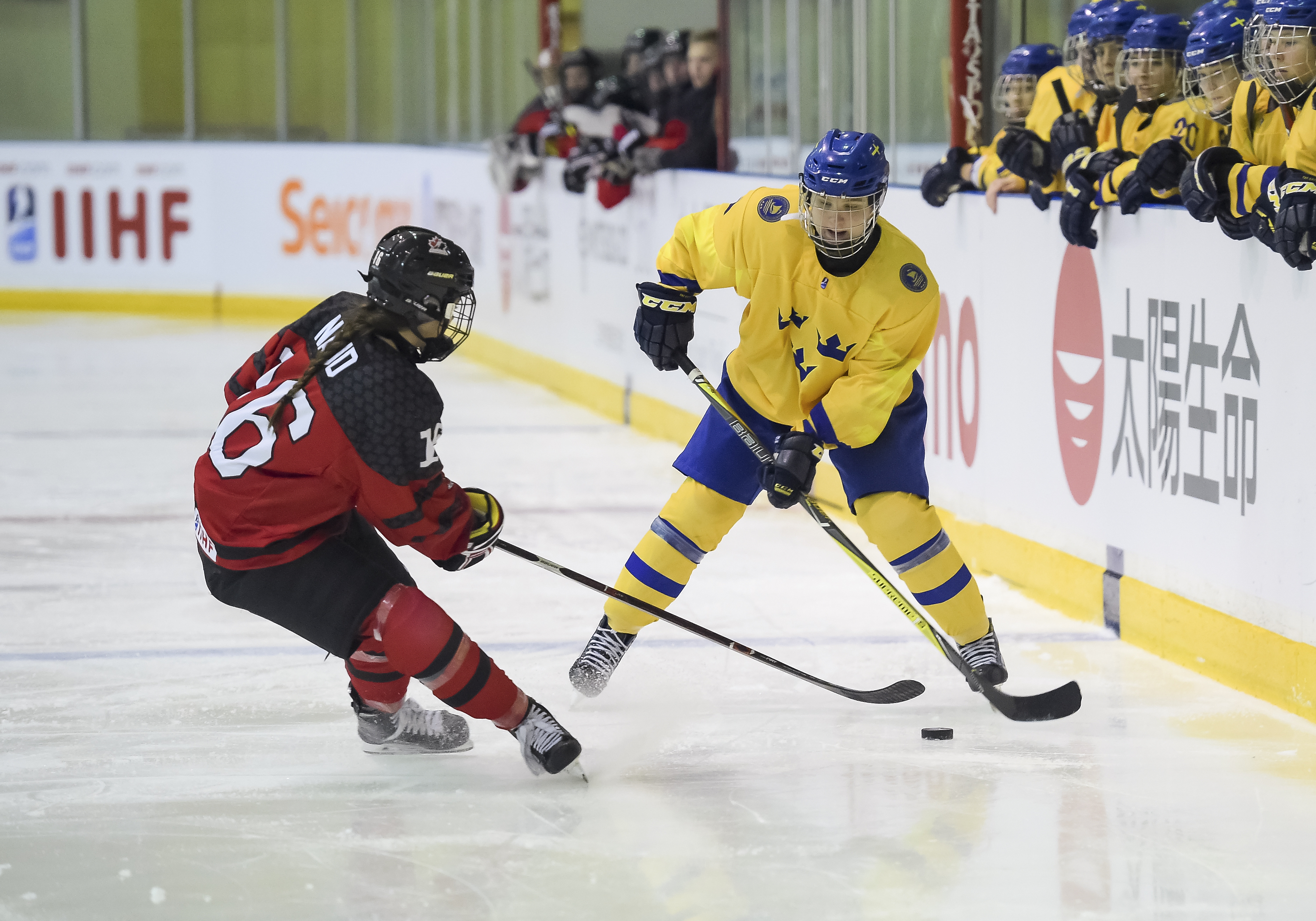 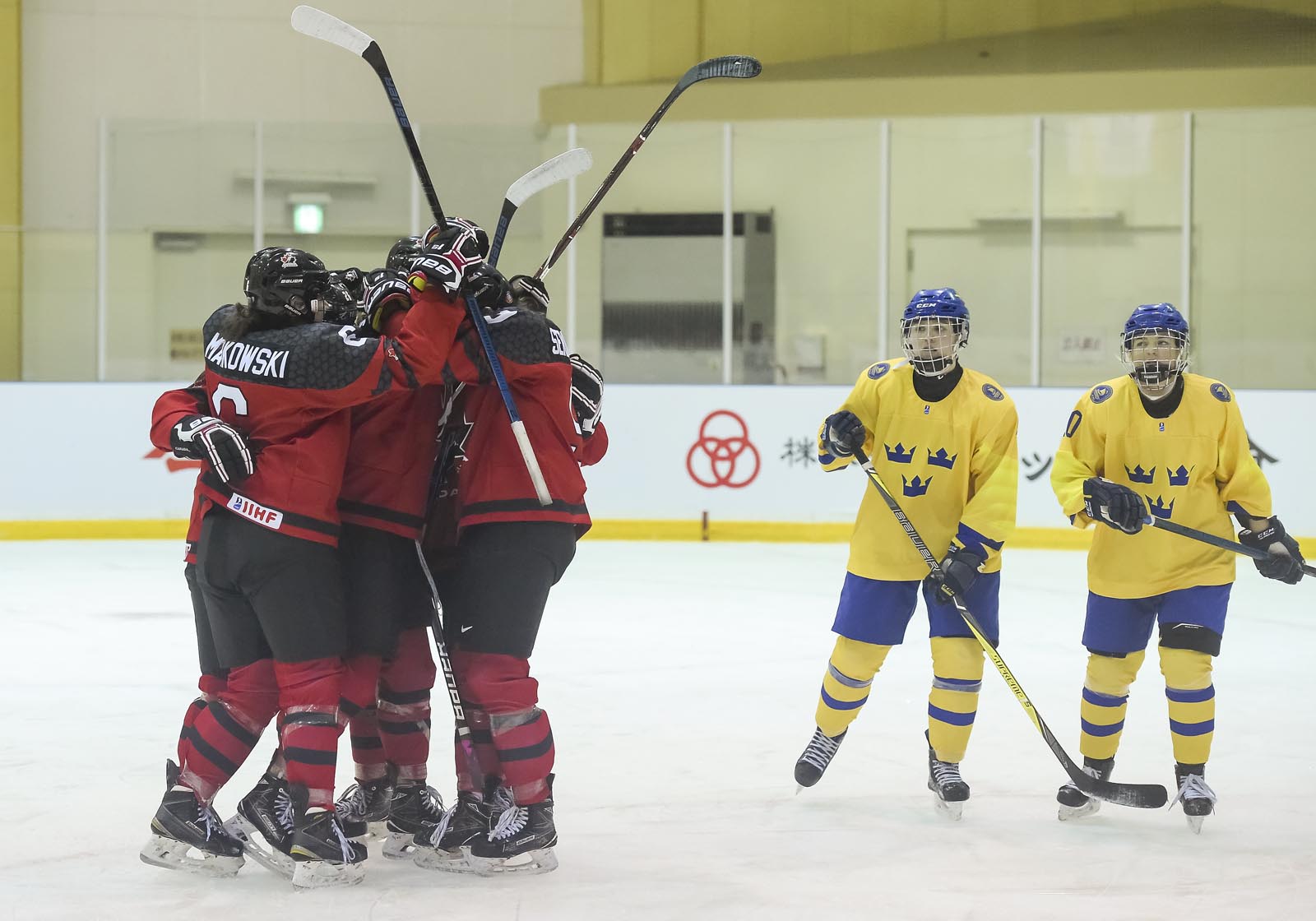 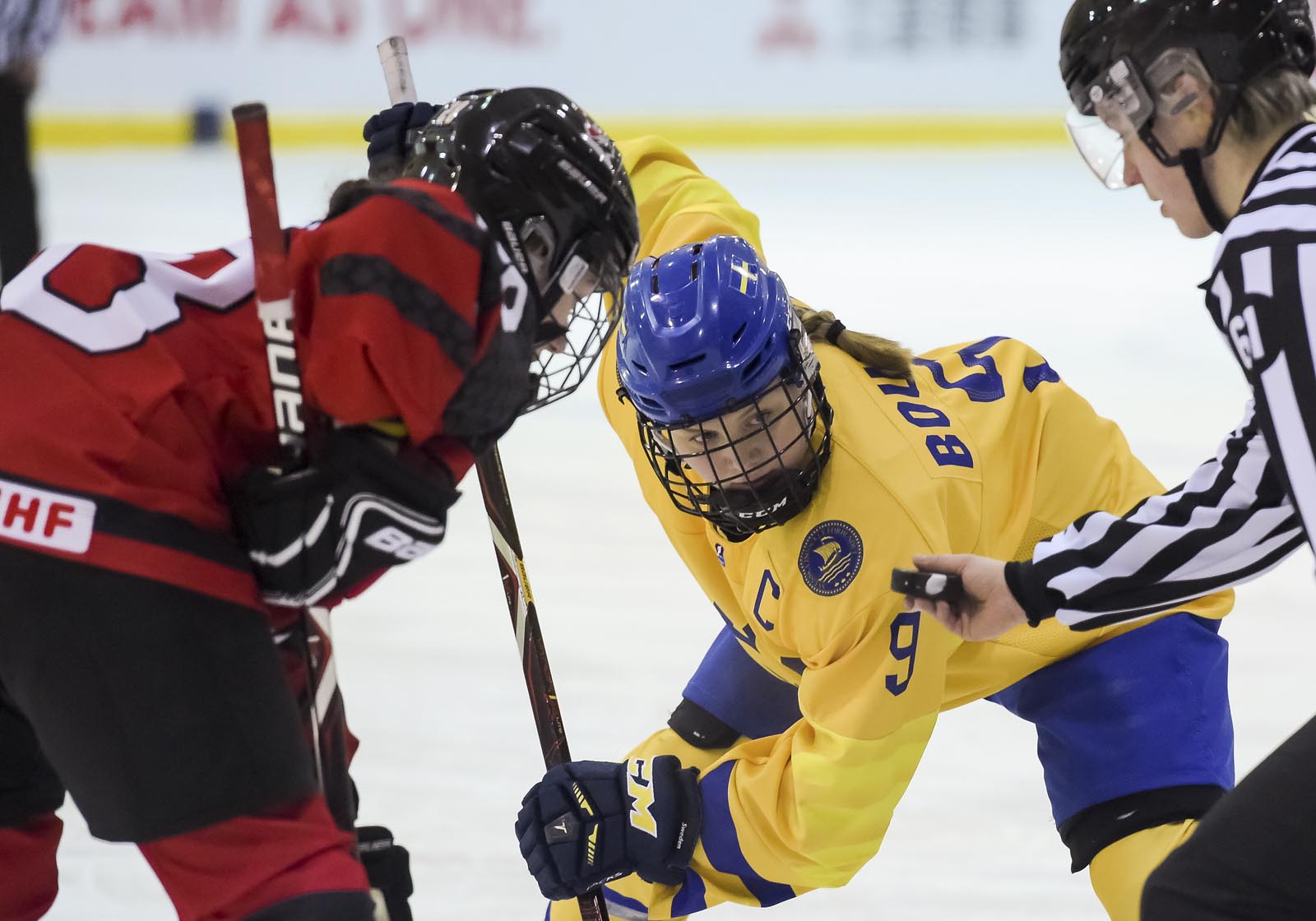 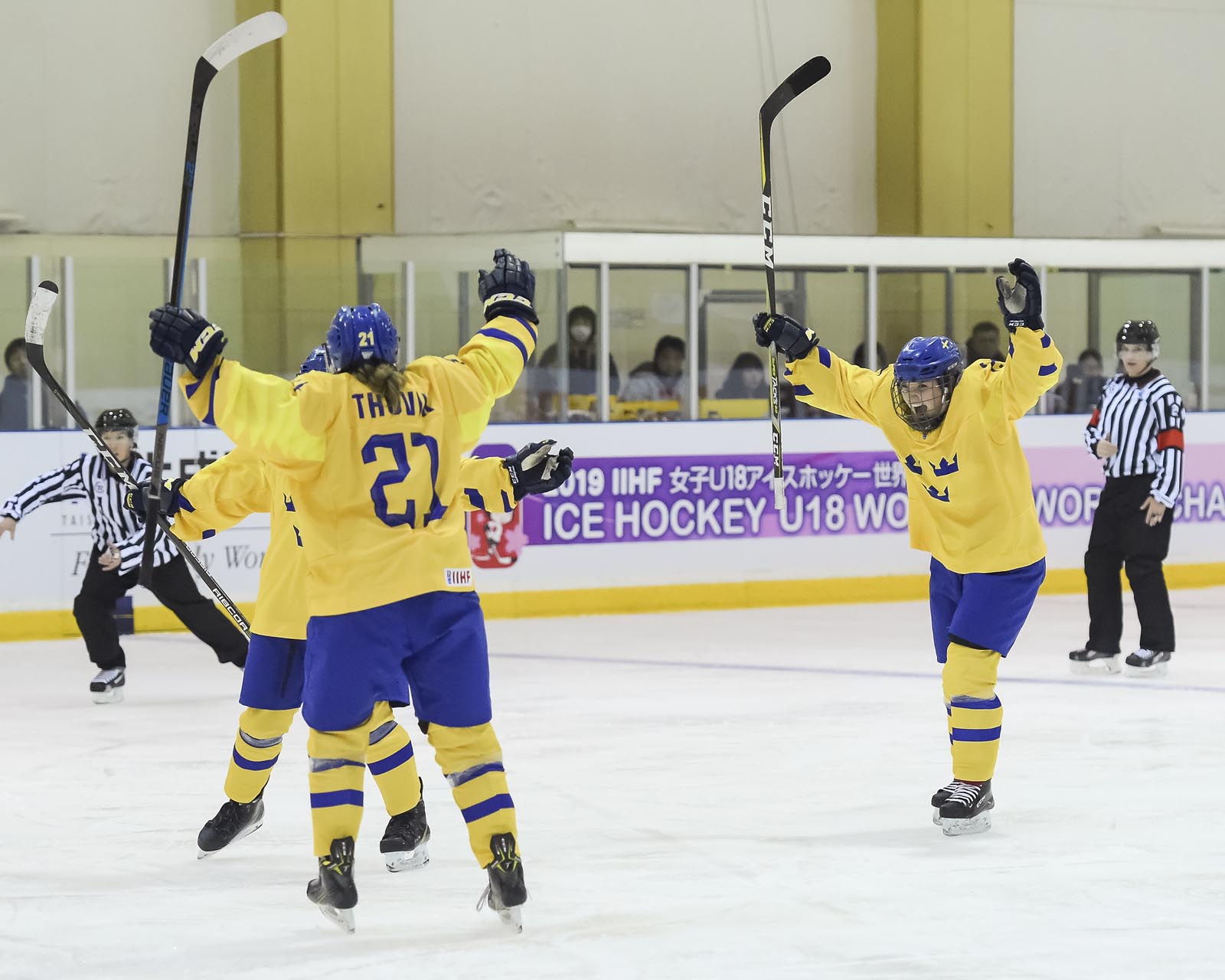 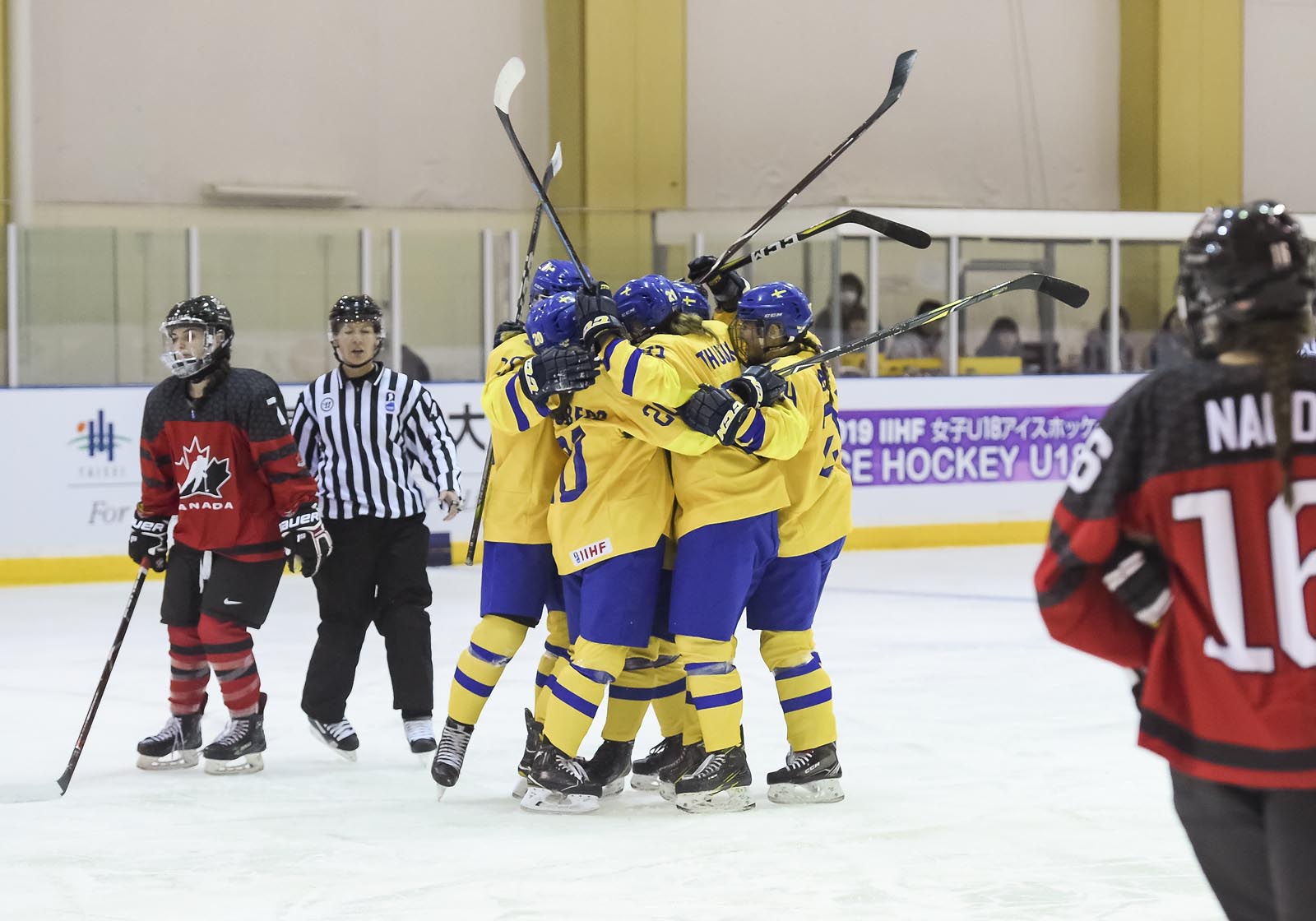 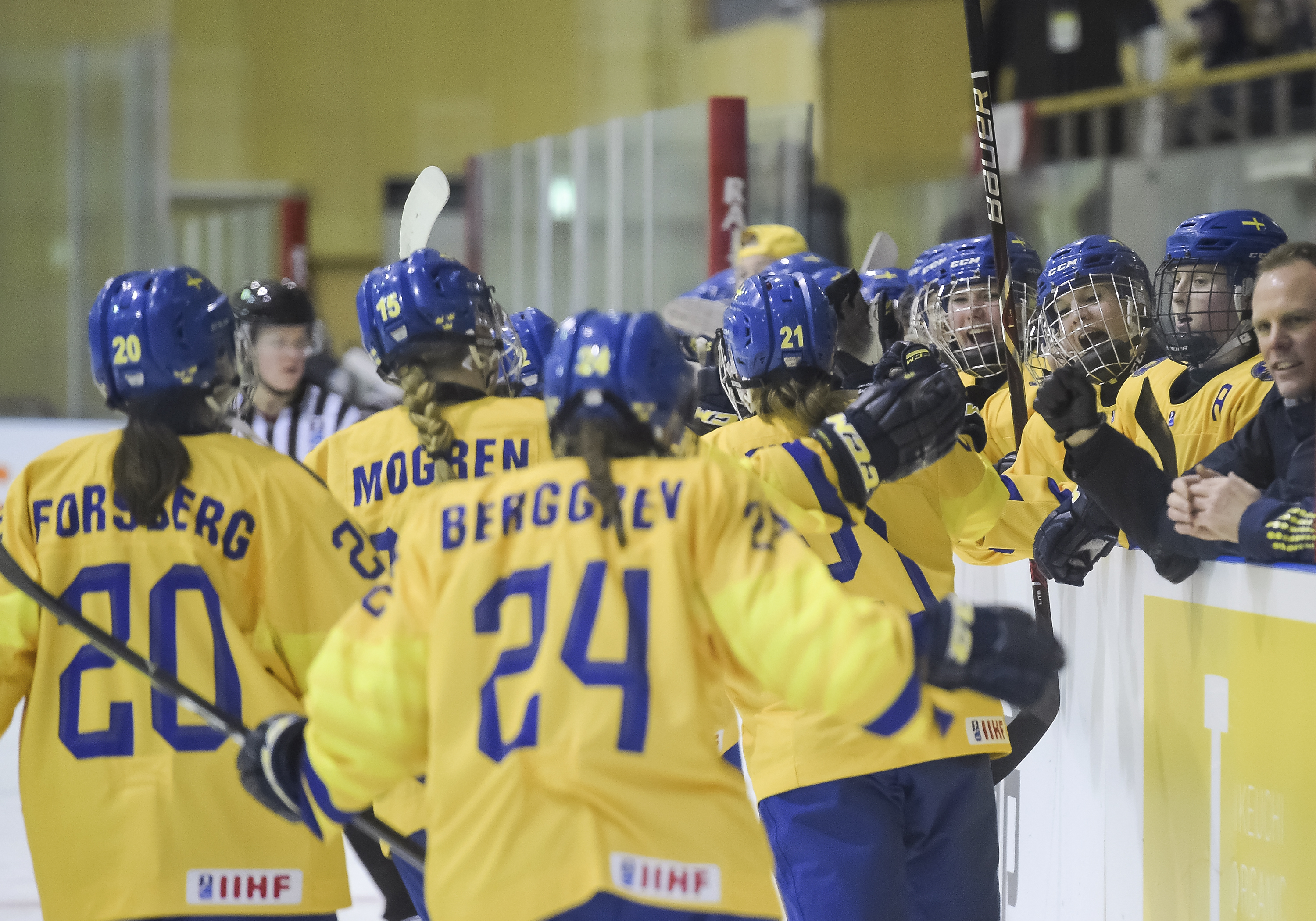 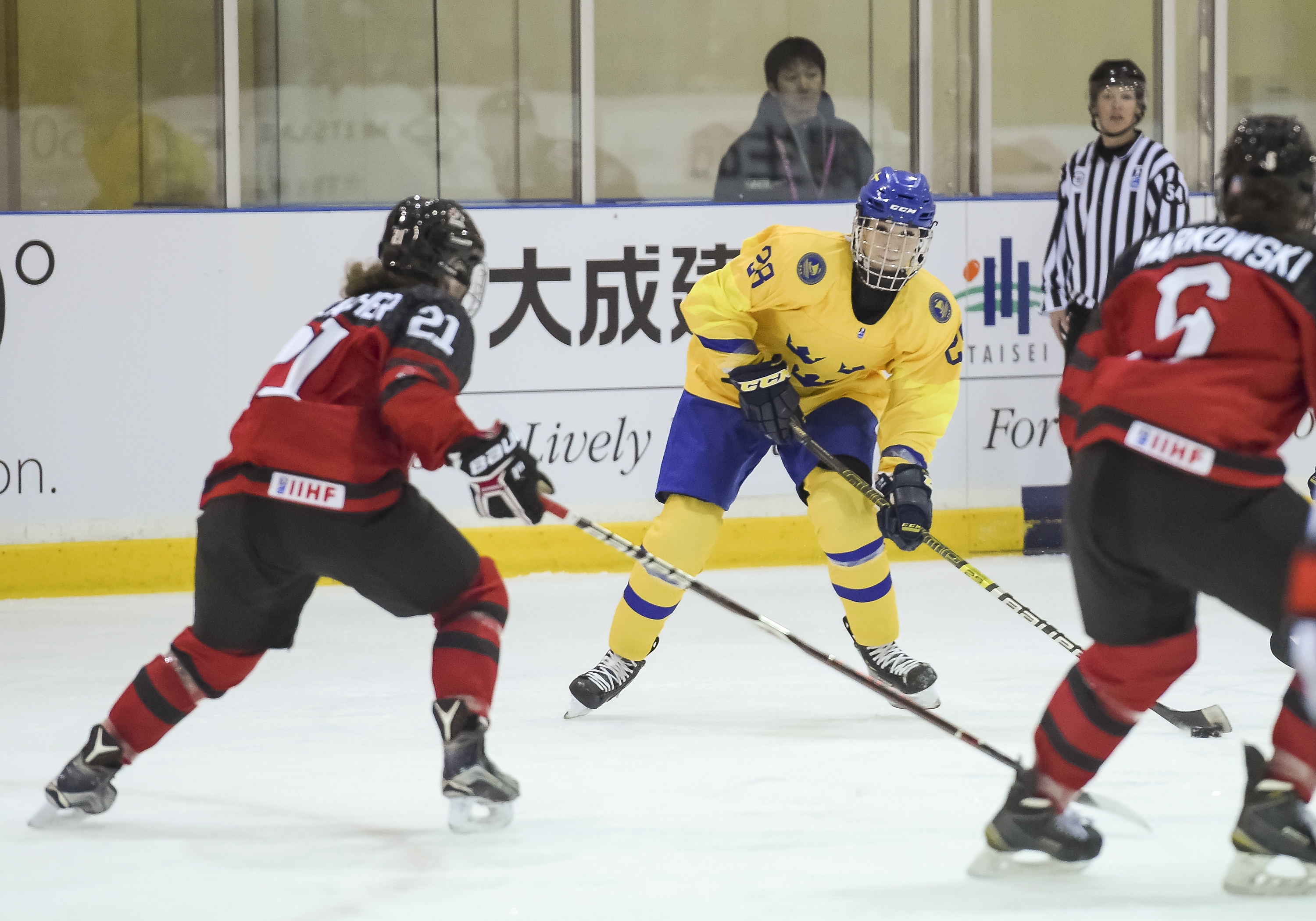 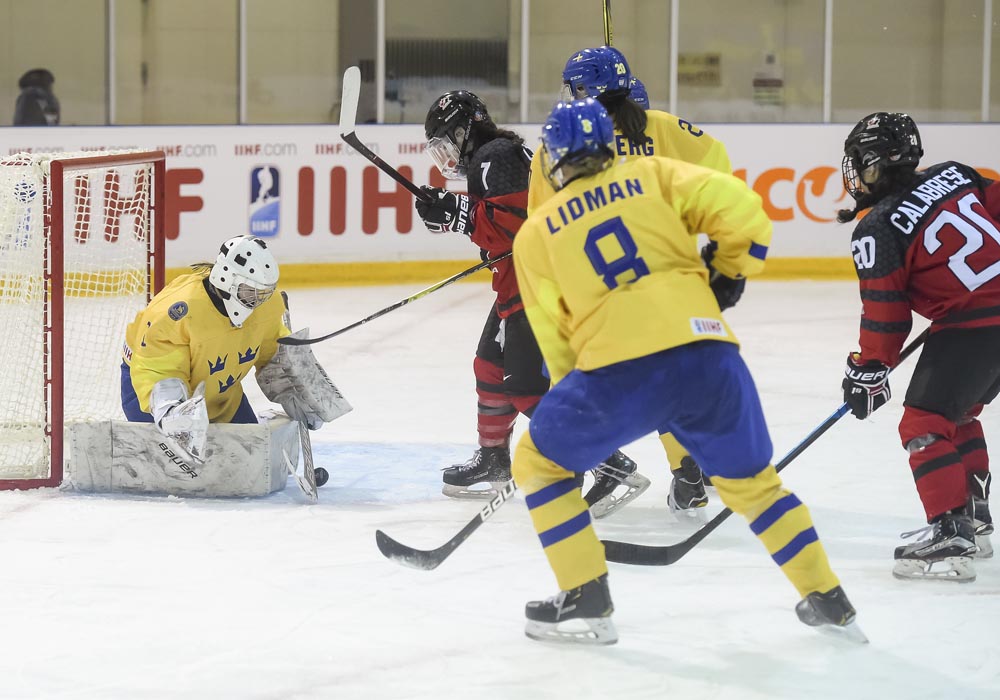 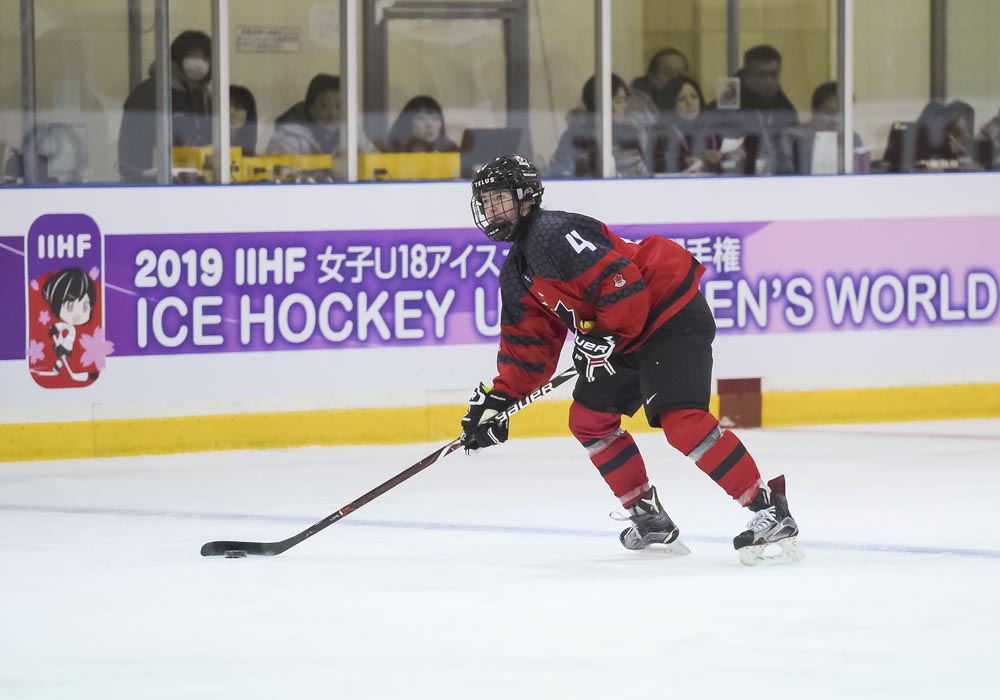 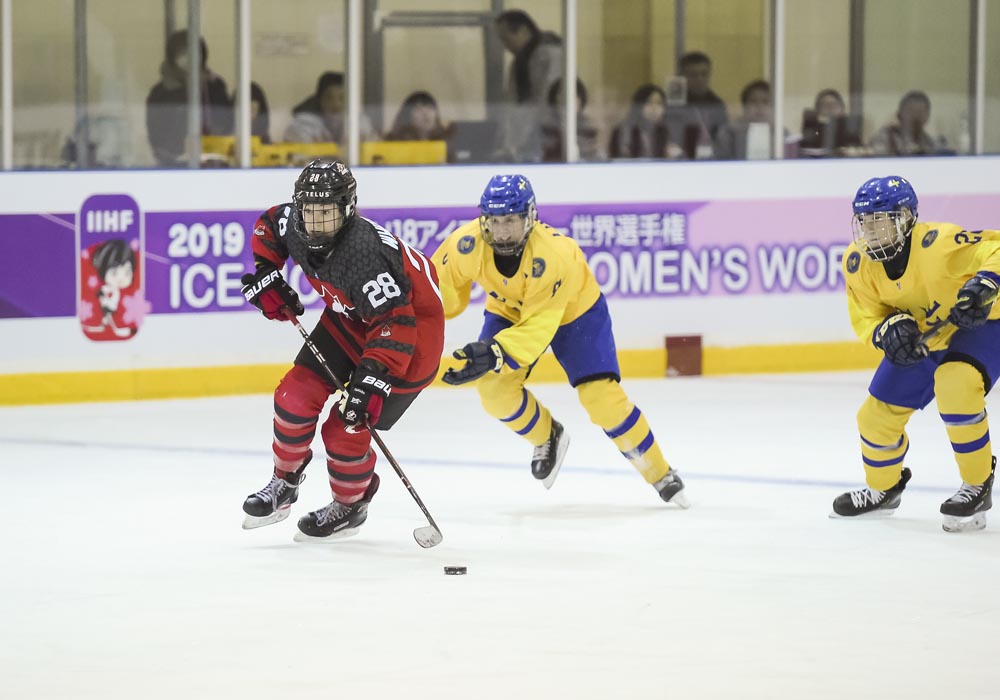 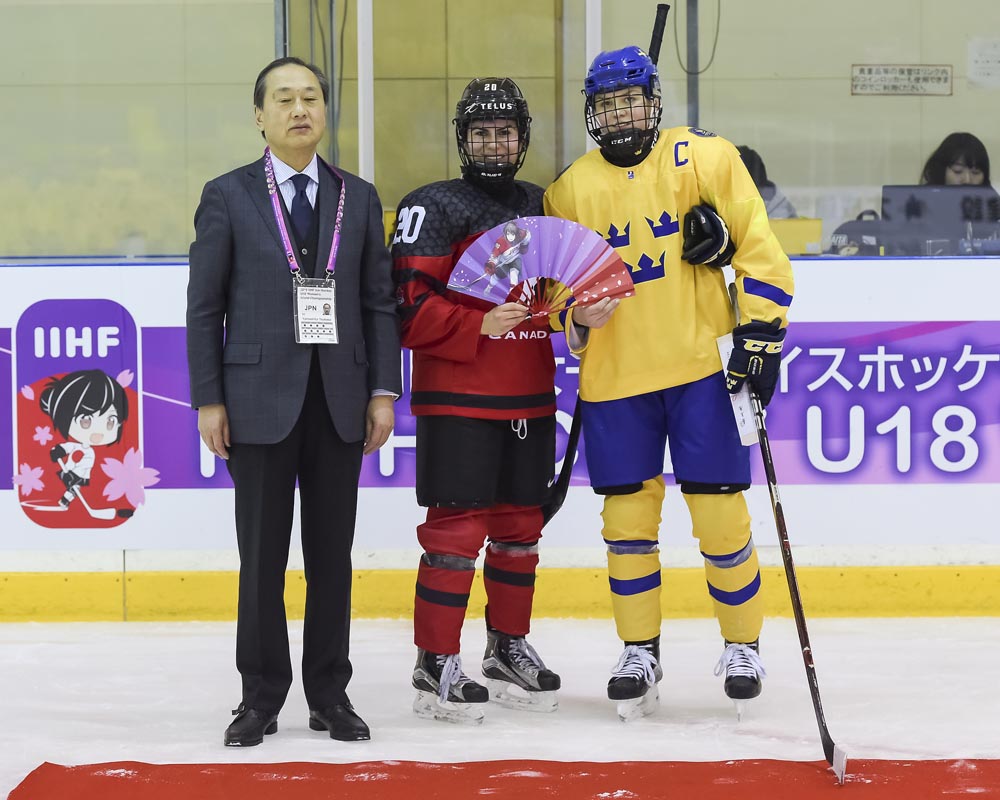