USA takes round one
Abbey Murphy celebrates her goal to tie the game, 2-2, in the second period.
photo: Steve Kingsman / HHOF-IIHF Images
share
The U.S. rallied with two quick goals to turn a 2-0 deficit into a tie game, then scored the only goal of the third to beat Canada, 3-2, and stay in first place in Group A.

"We were really excited to come out and play," said winning goalie Skylar Vetter. "We played against them in the summer, and everyone was excited. The speed of the game is great."

Both teams get a rest day tomorrow. On Wednesday the Americans play Sweden while Canada takes on Russia, the team that beat them for the first time ever last year. Those results will determine whichteams finish in the top two, and get a bye to the semi-finals, and which two will have to play the top two from Group B in the quarter-finals.

"We had some good moments," said Canada's Laura Cote, one of the scorers. "It was great to play the U.S. They're a fast team, and they got the momentum. We're not going to let that happen again."

"I felt we had some momentum," said Canadian coach Howie Draper. "We were able to get a couple of goals, but after that second goal we sagged a bit. They're a strong team, and you can't give them too any opportunaities. We did, and they took advantage very quickly. Those two goals hurt us."

Canada’s Julia Gosling got the only goal of the opening period at 17:54. She found the top corner over the shoulder of Skylar Vetter, a great shot. This despite the fact that the U.S. held a large margin in puck possession, scoring chances, and territorial play.

In the Canadian net, Raygan Kirk made several impressive saves when the game was scoreless.

Canada doubled its lead early in the second when Cote made a great shot high over Vetter’s glove at 1:26 after a nice pass from Ann-Frederik Naud. "Freddy and I had been talking about that play, but the opportunity never happened until tonight. I was going through the middle, screaming her name, and she saw me. I happened to put it in."

Despite the deficit, the Americans didn't panic. A turnover at the American blue line allowed Dominque Petrie to collect the puck for a long breakaway, and her nice move fooled Kirk at 4:08 to make it a 2-1 game.

The p.a. announcer hadn’t even called that goal when Haley Winn made a perfect stretch pass to Abbey Murphy, and she walked in alone, beating Kirk again just 14 seconds later.

"I had faith in my team," Vetter said. "I knew they were hungry to win and would do whatever it takes. We worked our butts off."

An impressive 2-0 Canada lead was now a 2-all game, with the Canadians on their heels. Worse, they incurred two quick penalties, so the Americans had a five-on-three for 82 seconds.

This time, though, the Canadians showed their resolve and killed the short-handed situations impressively, and it was back and forth the rest of the period. Good chances, fast action, and exciting pace. Another North American classic in the making.

U.S. pressure created the go-ahead goal early in the third. Casey O'Brien found Abbey Murphy in the slot, and she drilled a high shot past Kirk at 3:41 for the first U.S. lead of the night.

Canada had a great chance to tie the game when it received a four-minute power play, but their tentative puck movement combined with aggressive penalty killing resulted in the foru minutes passing without incident.
Canada vs. USA (2019 IIHF WW18) 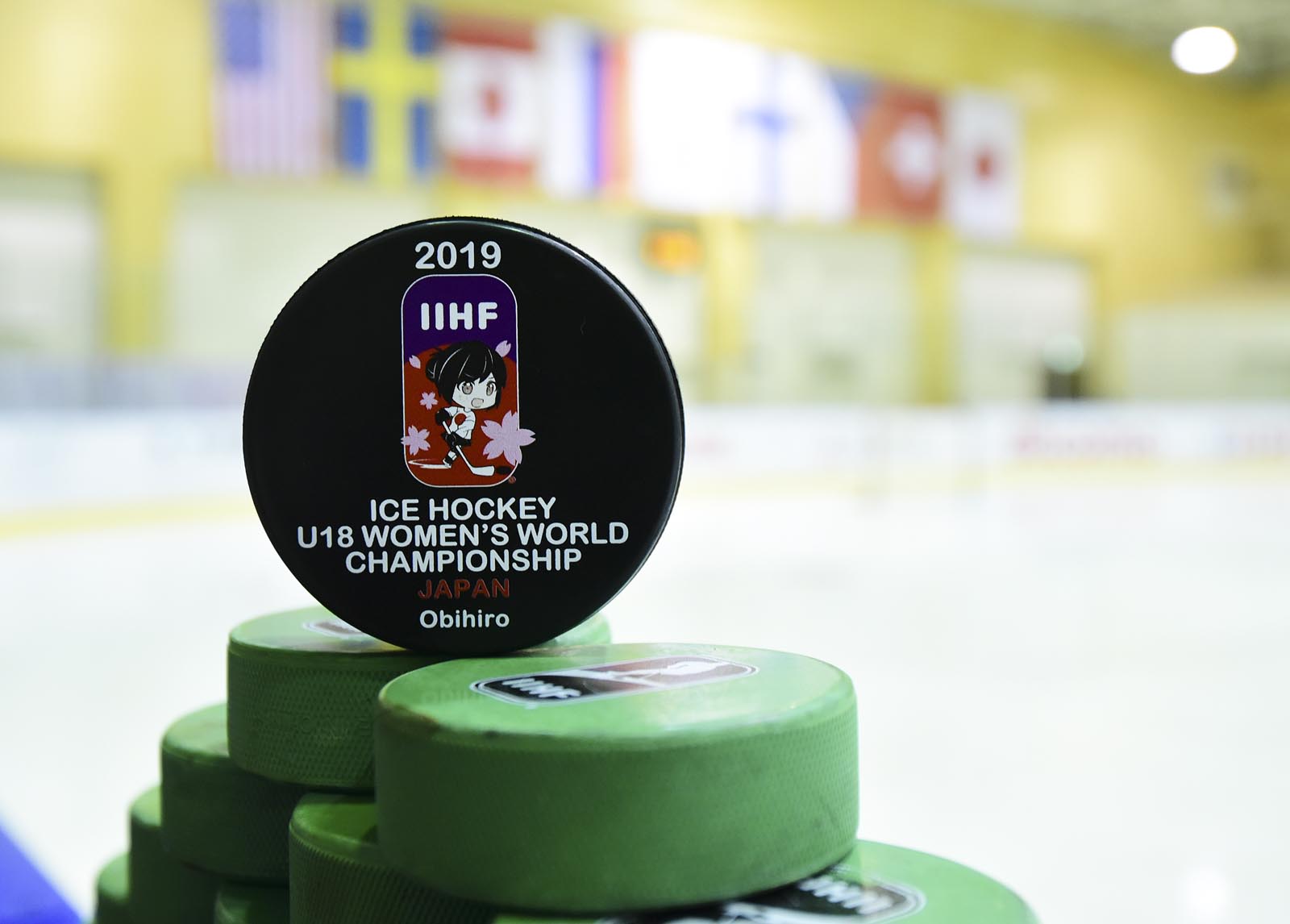 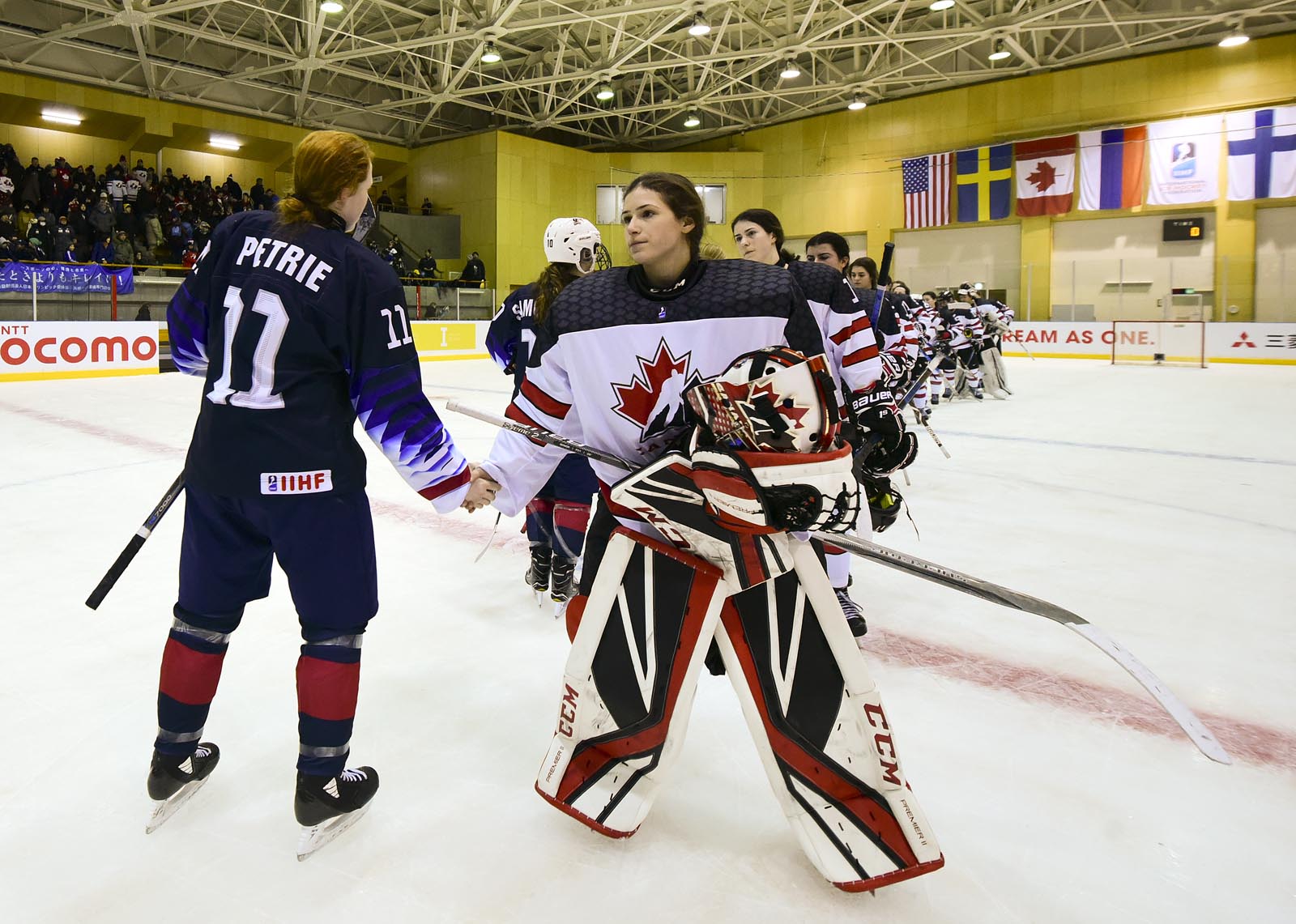 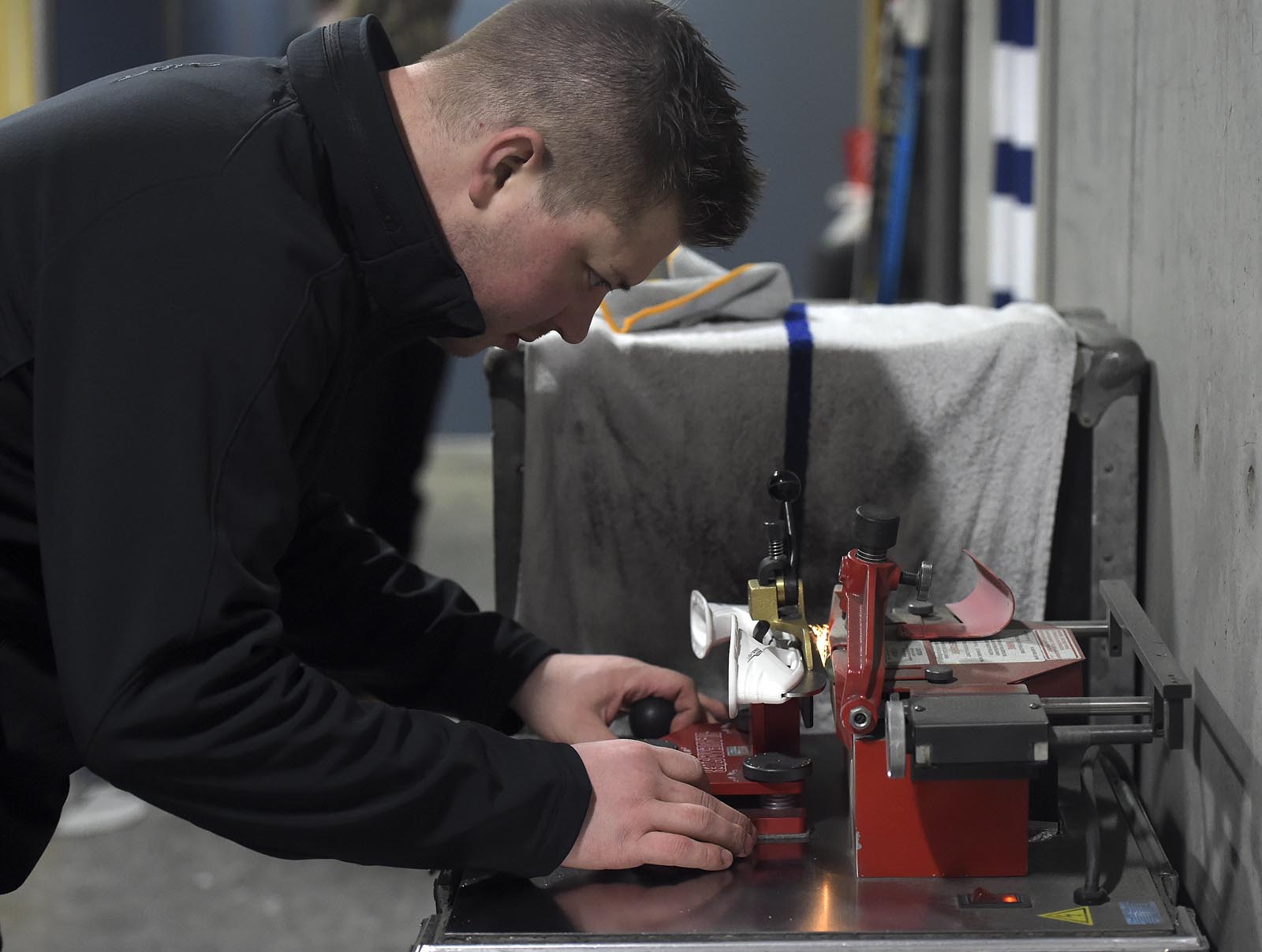 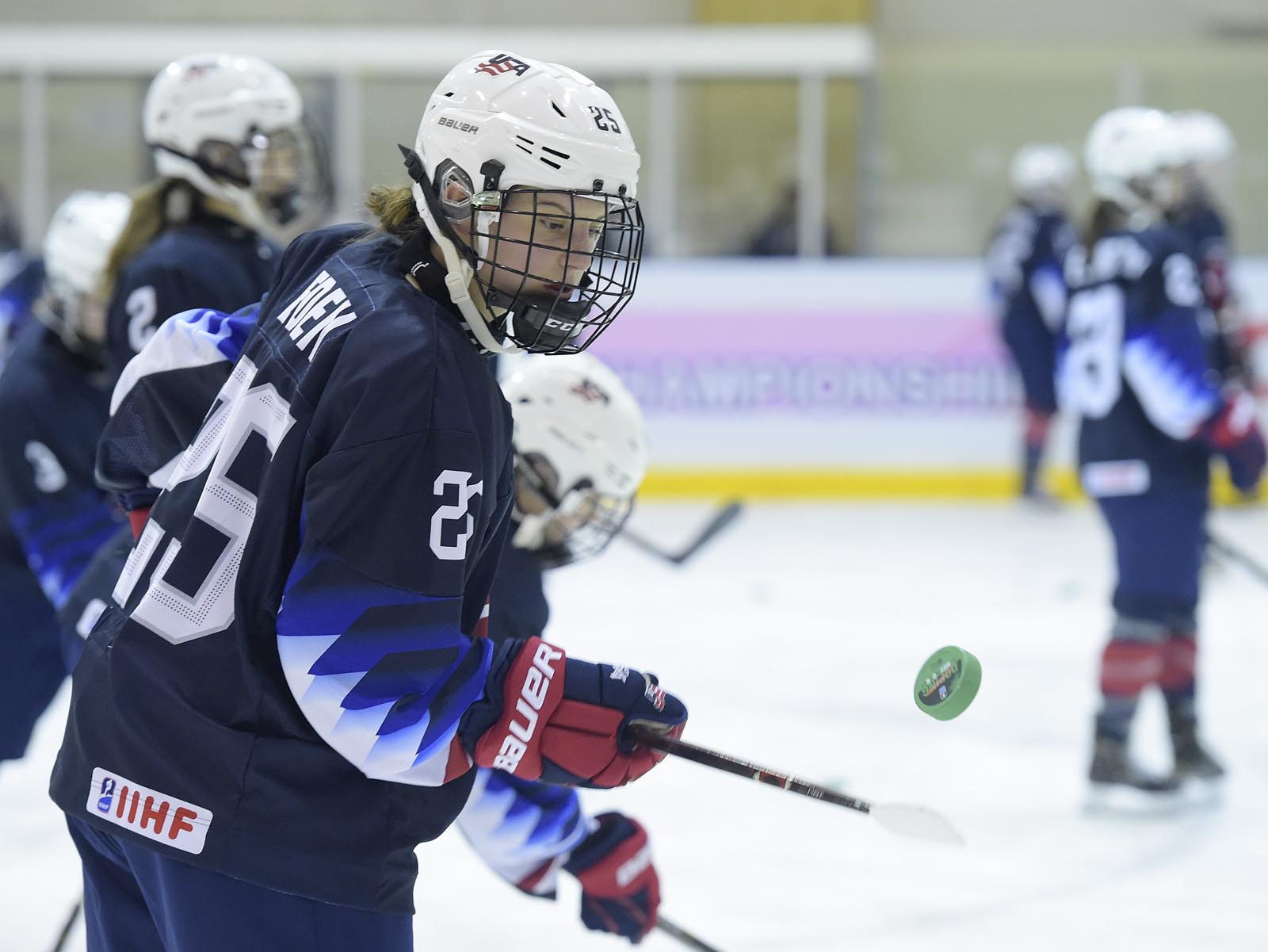 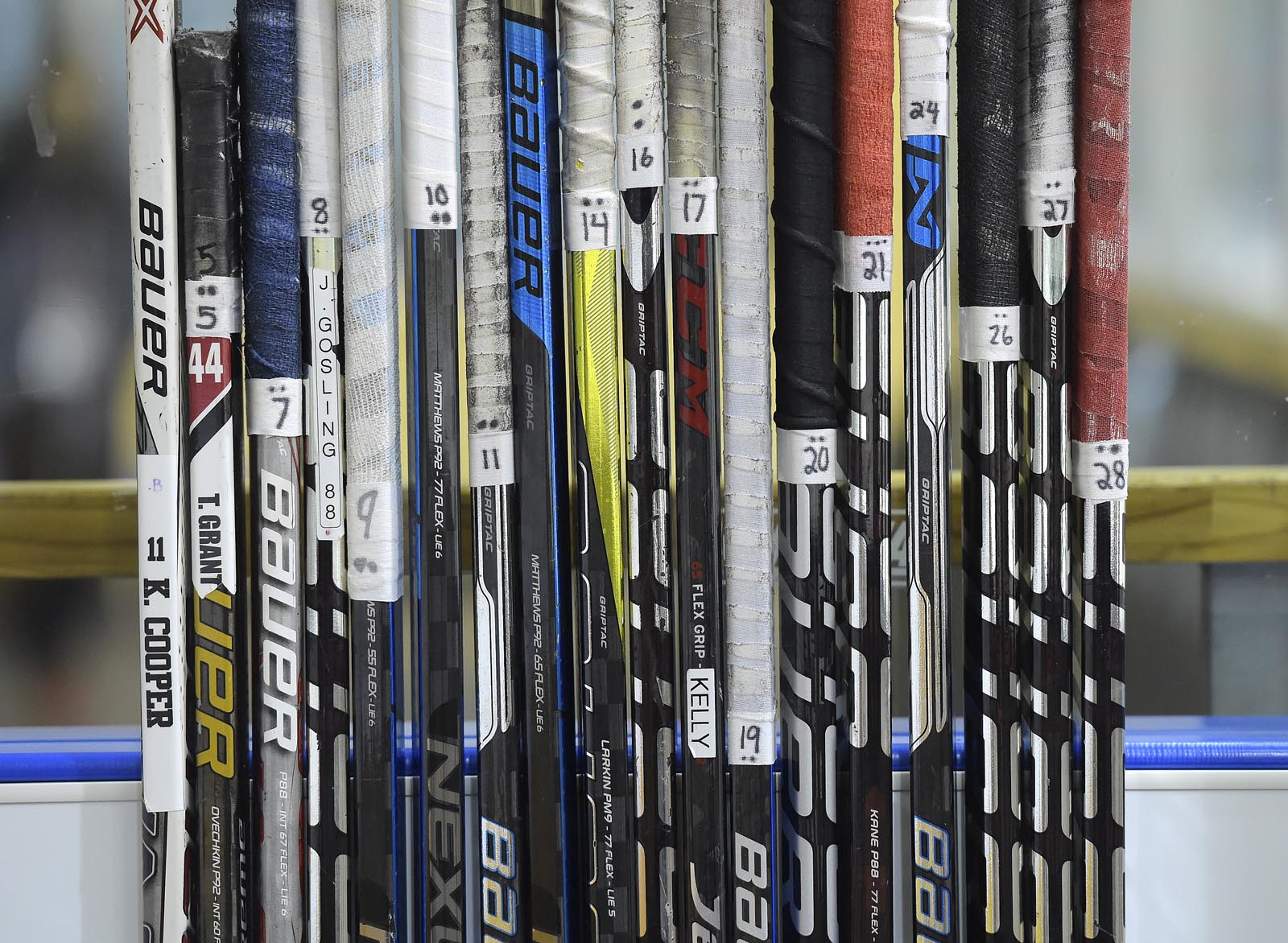 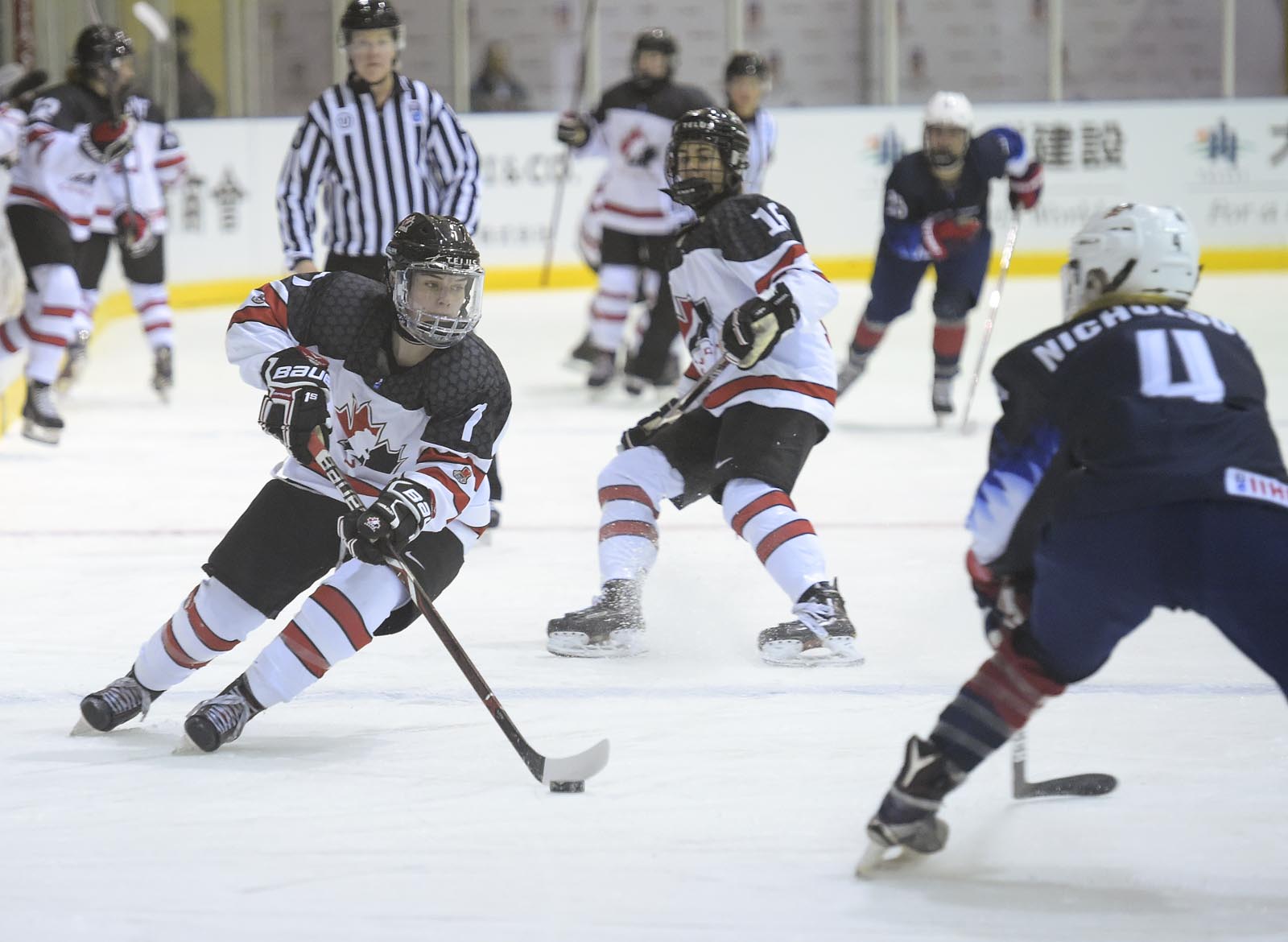 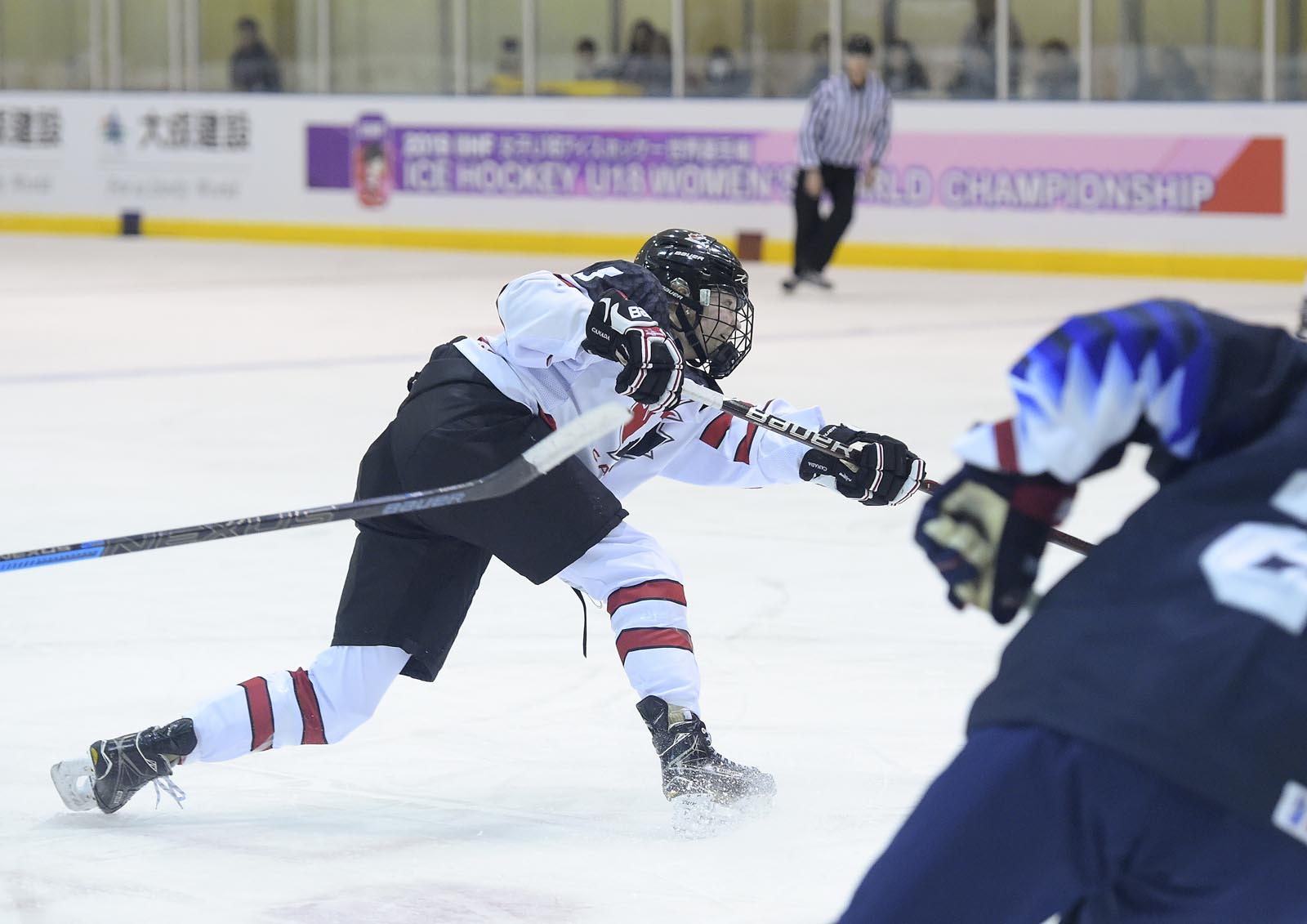 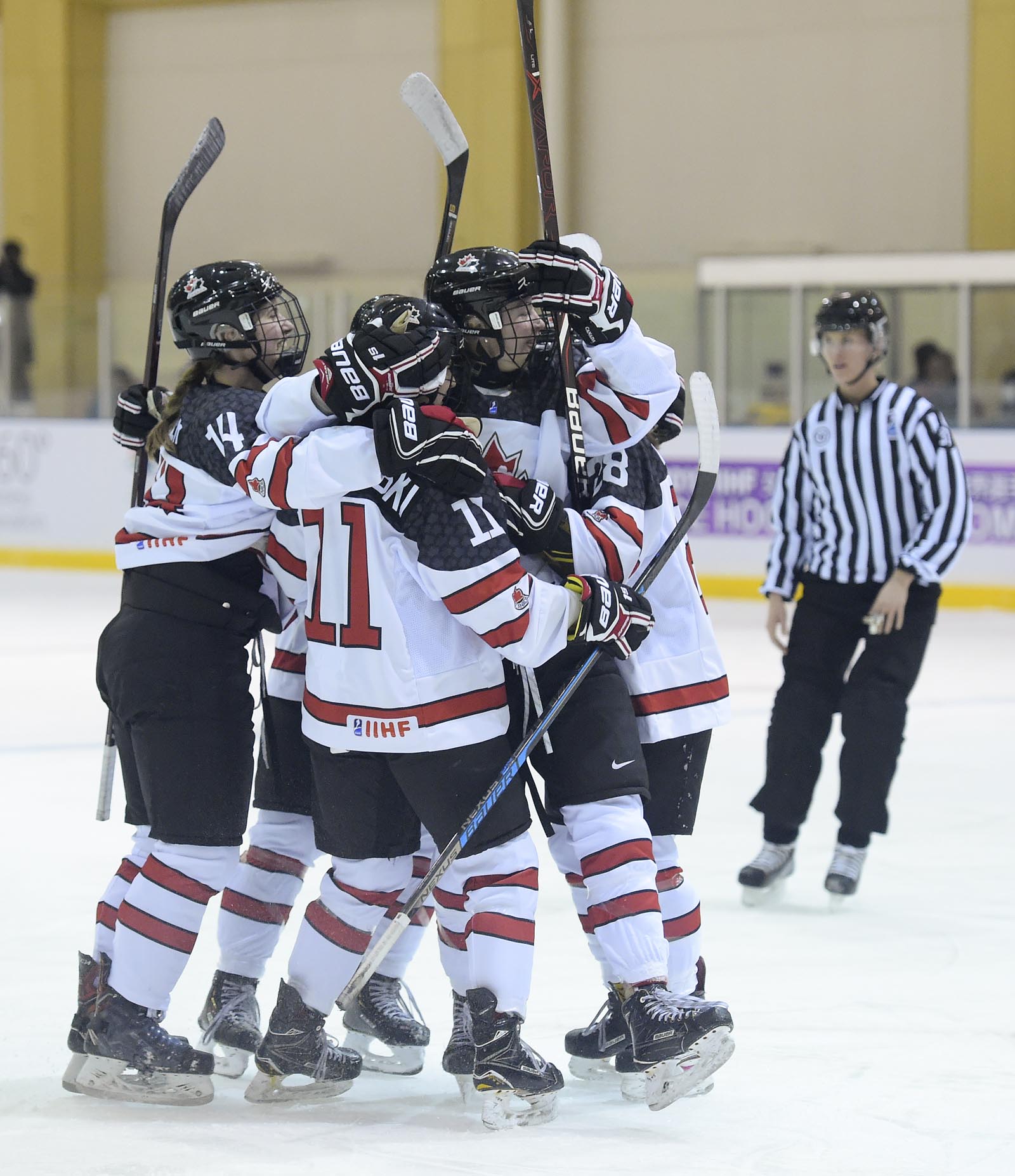 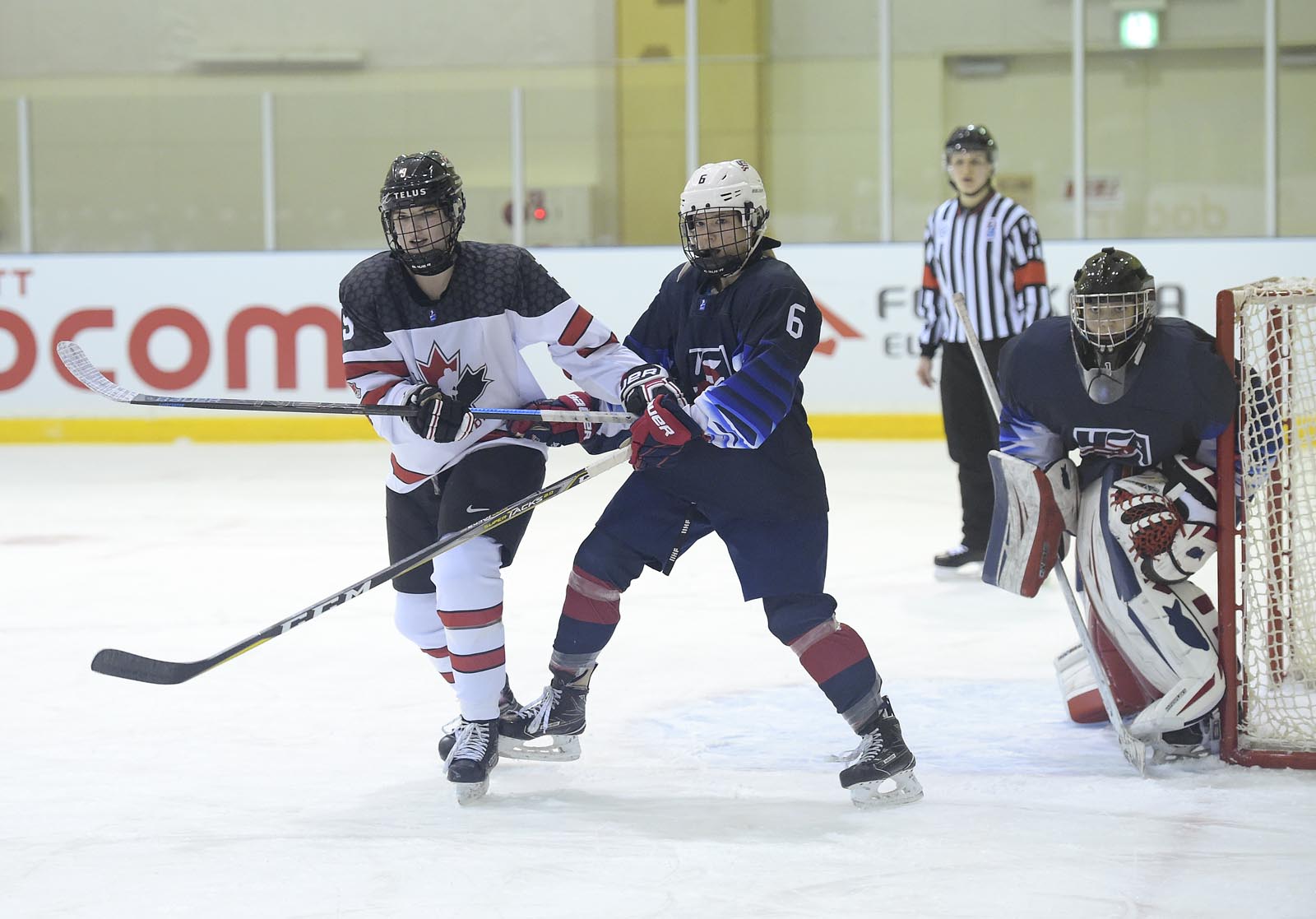 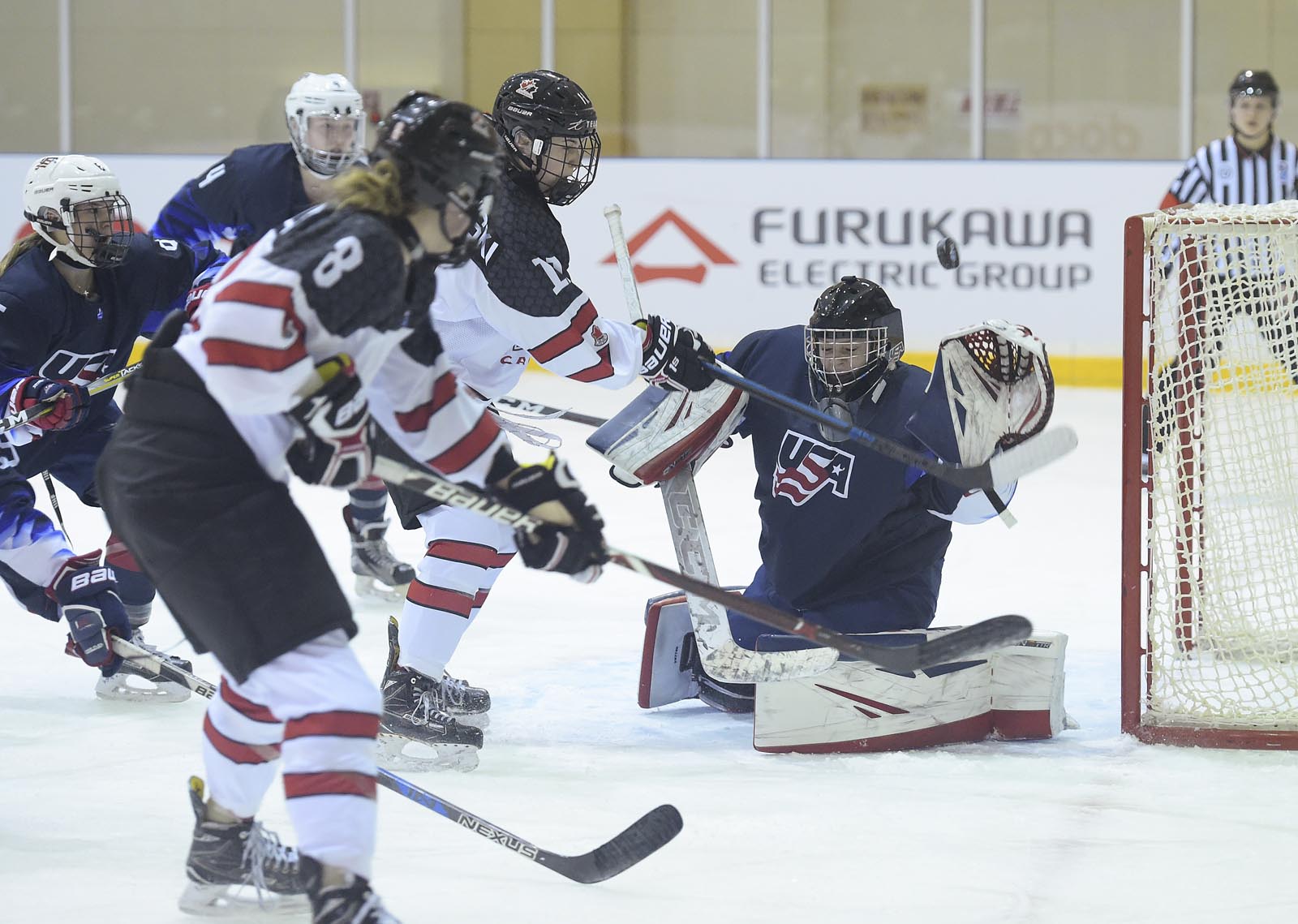 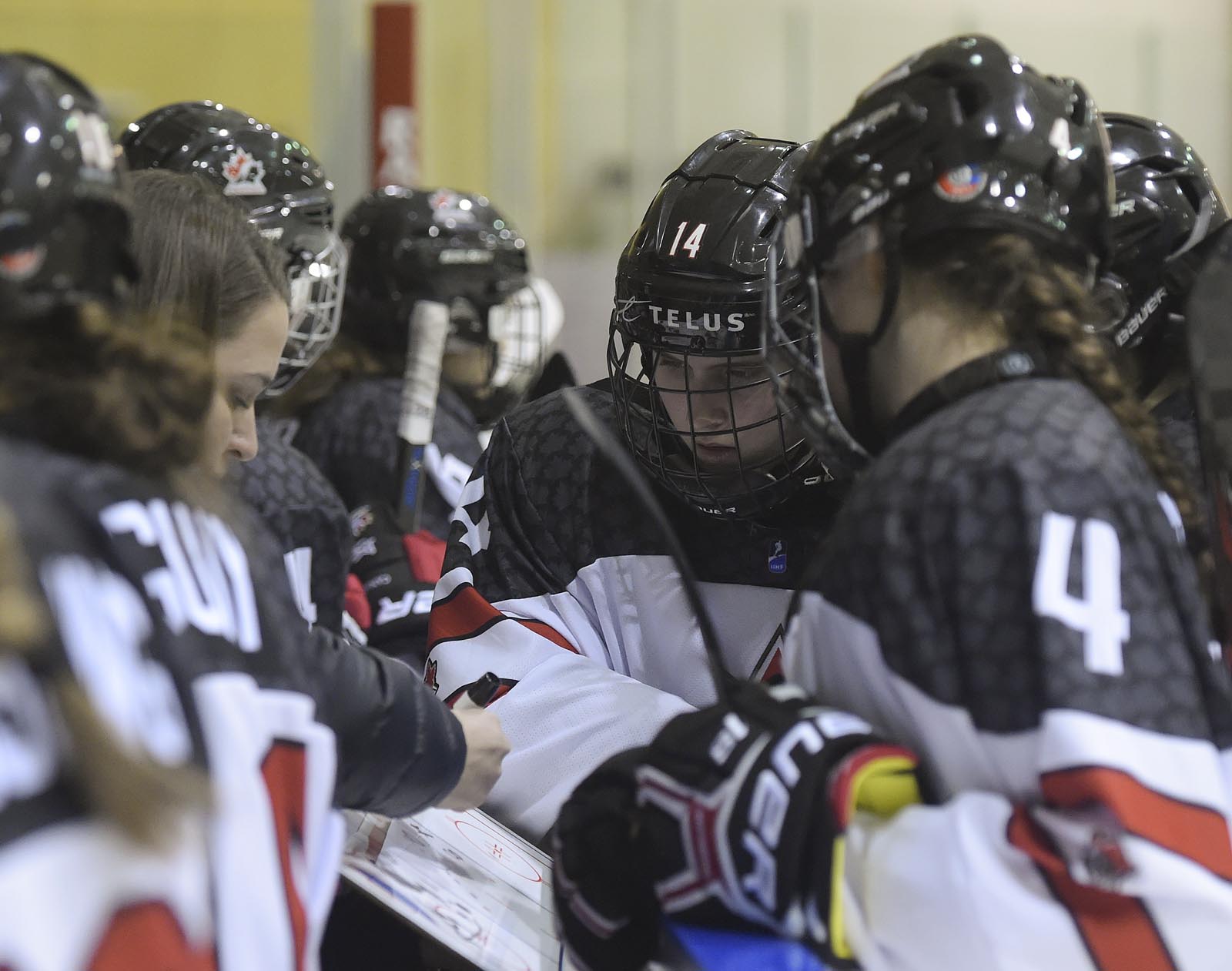 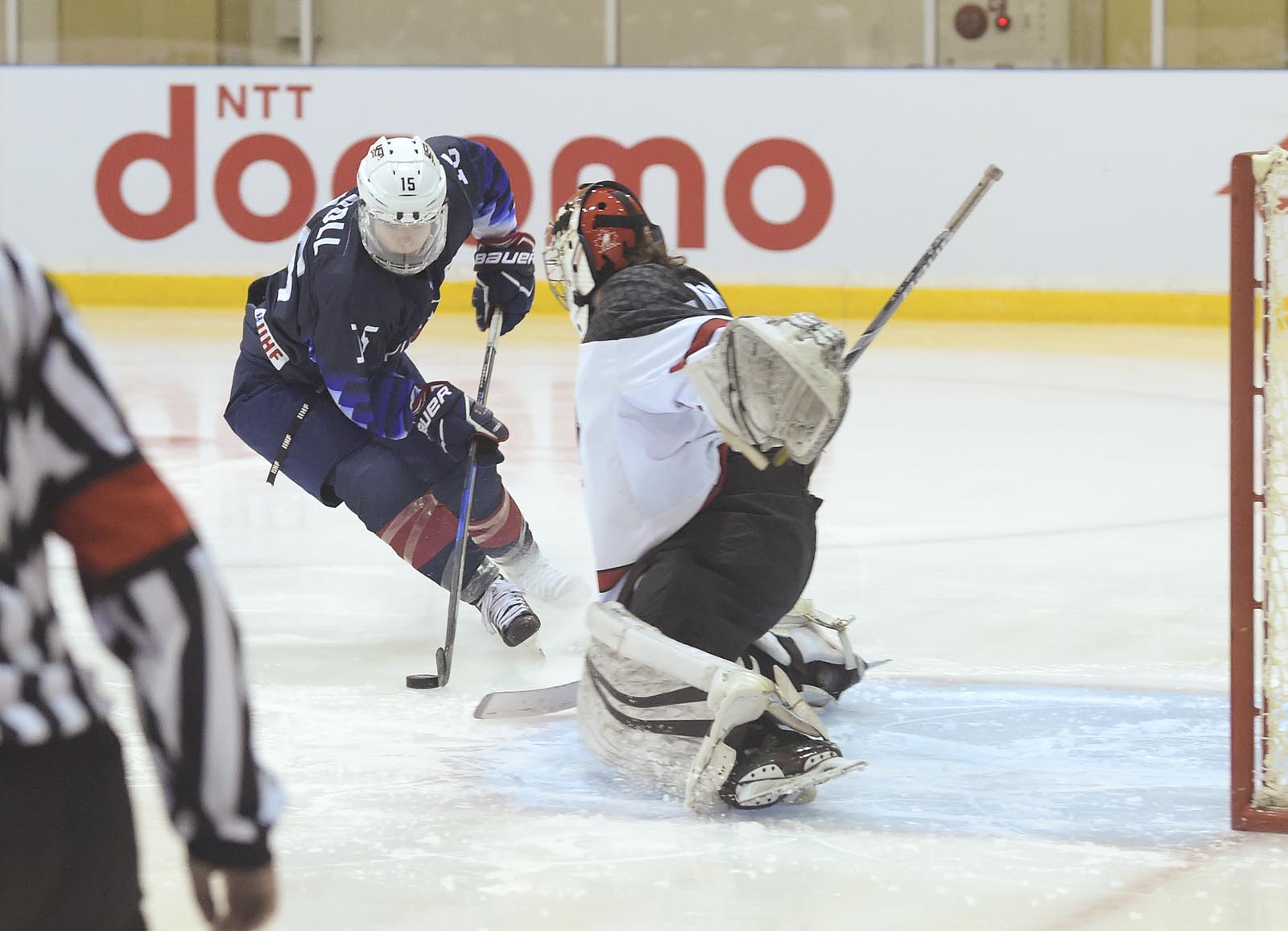 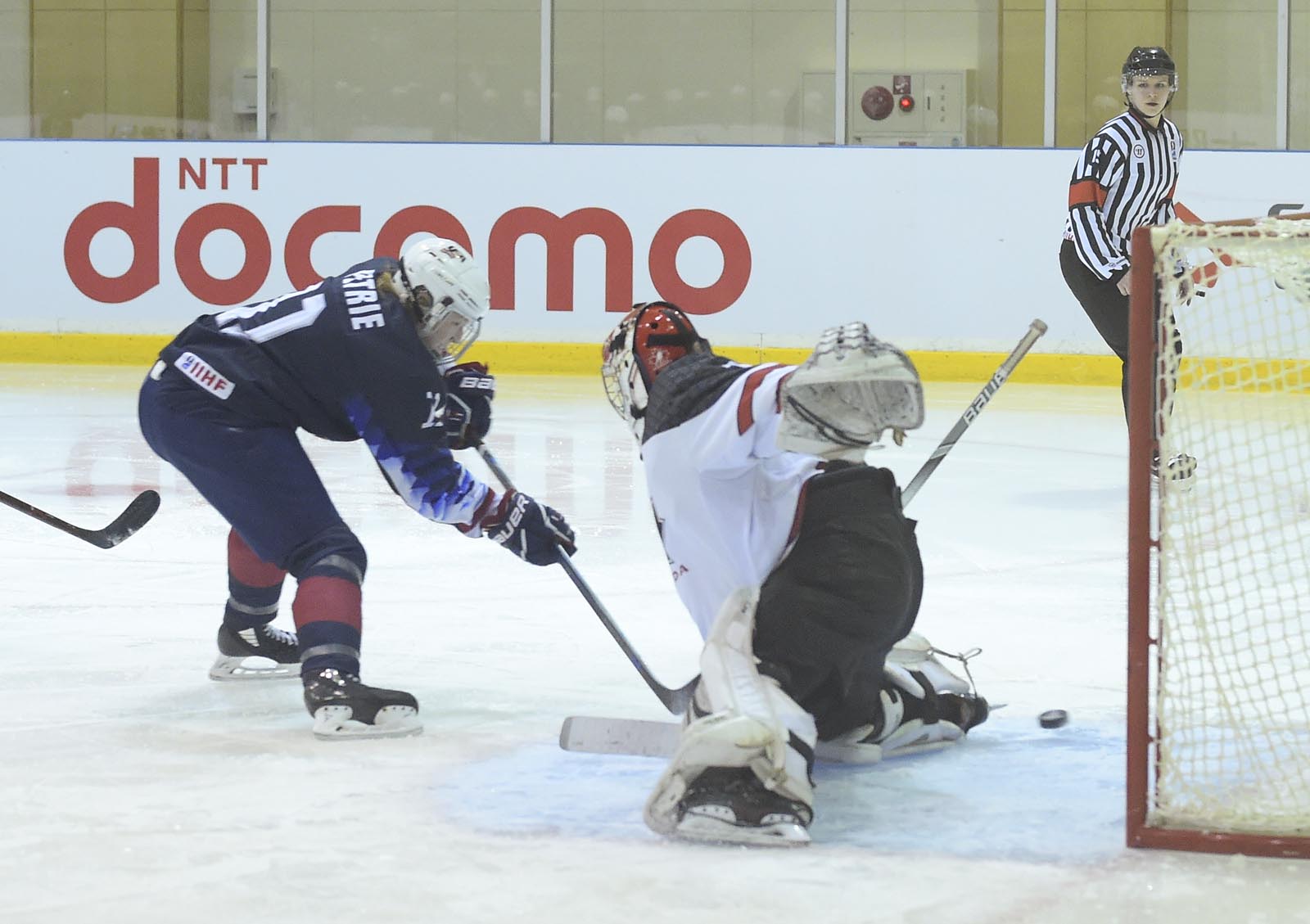 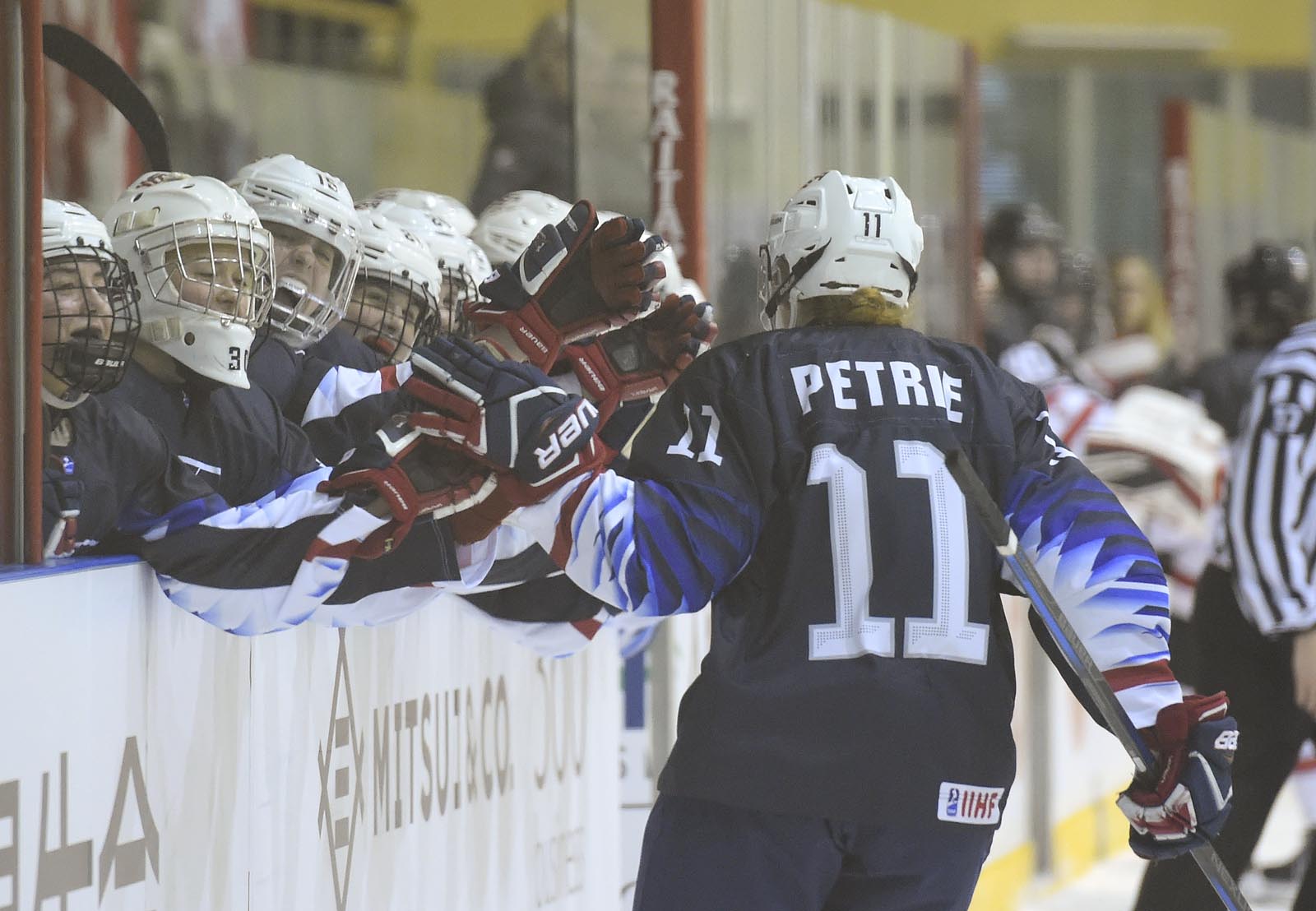 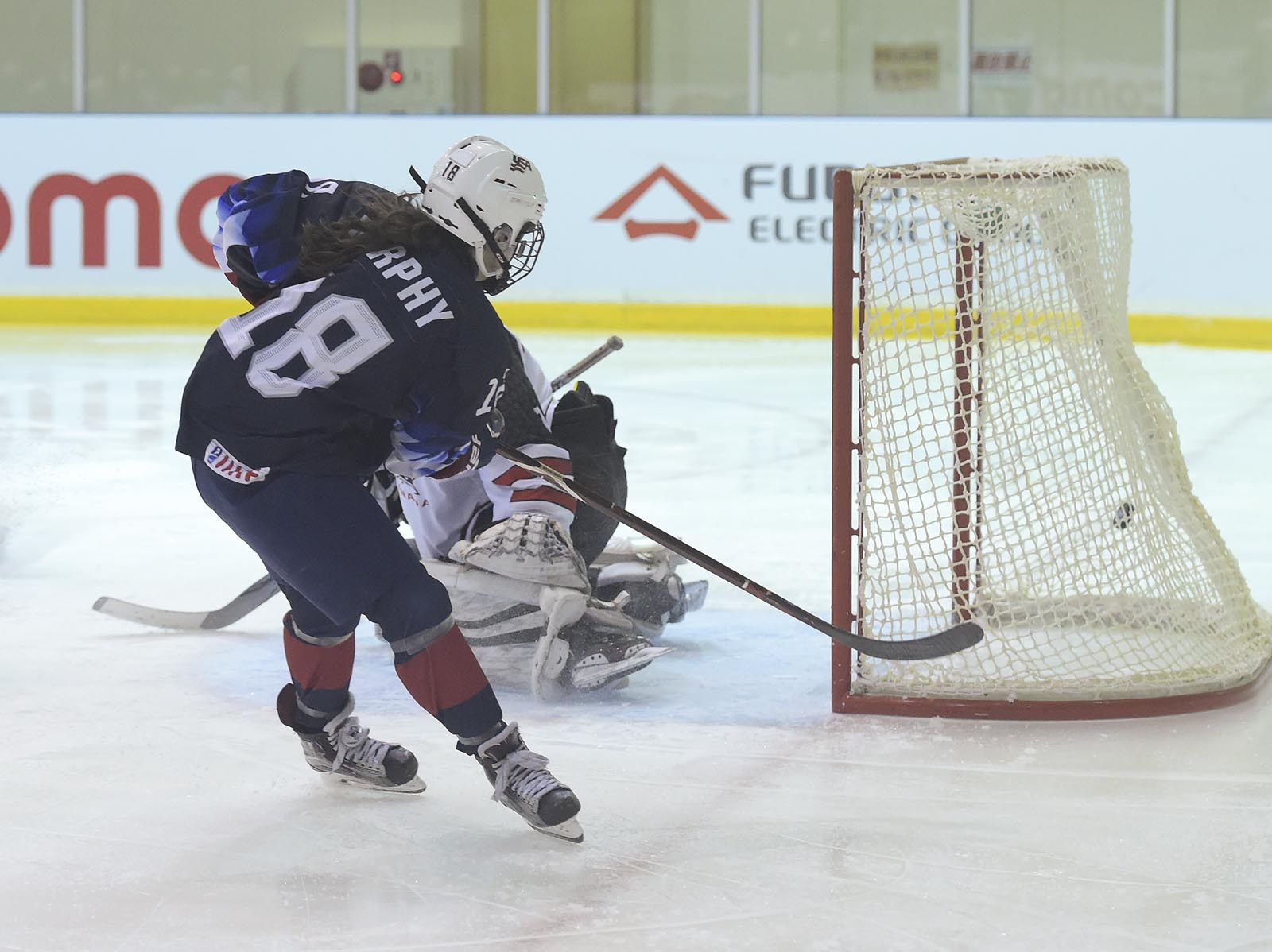 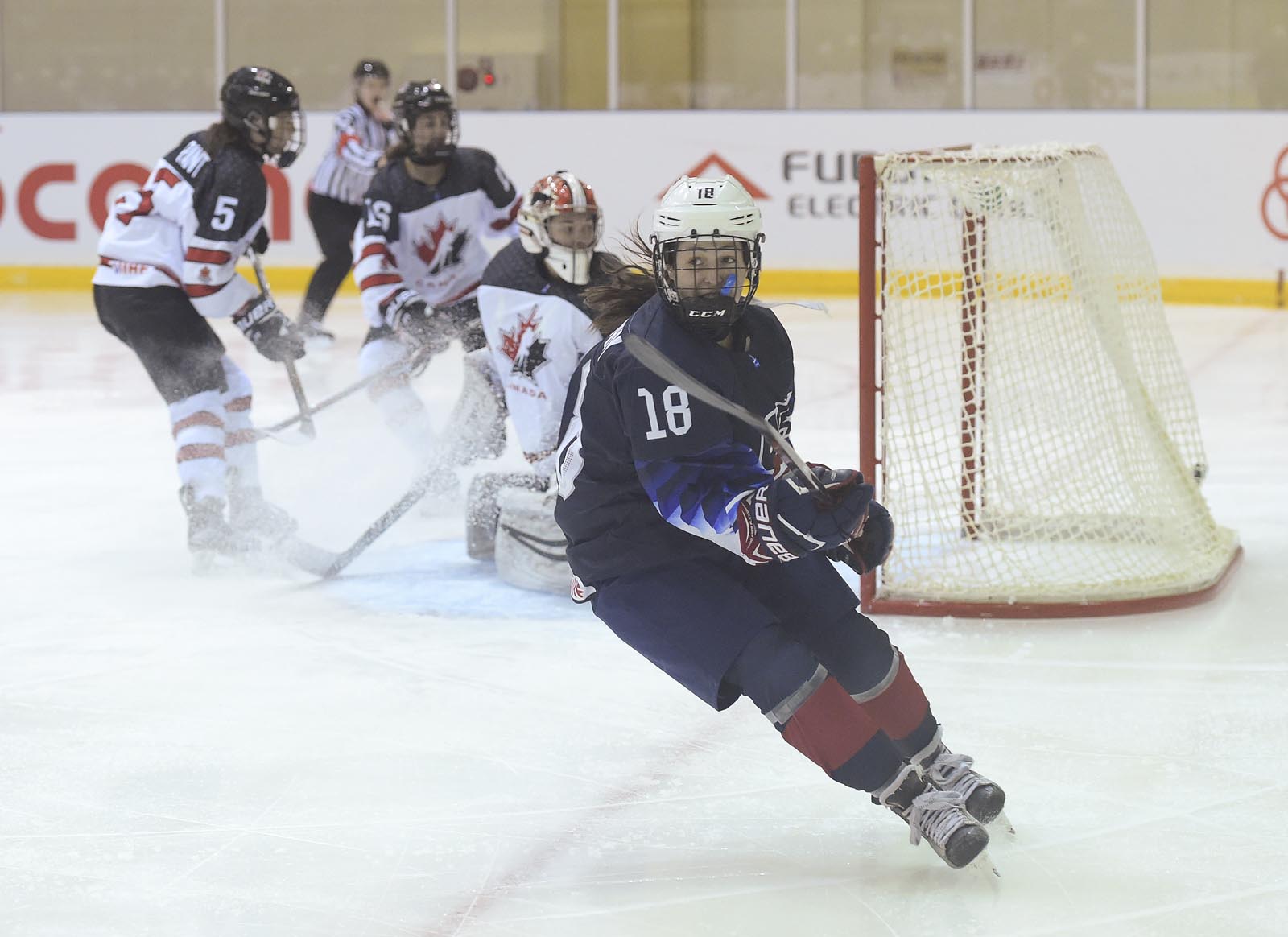 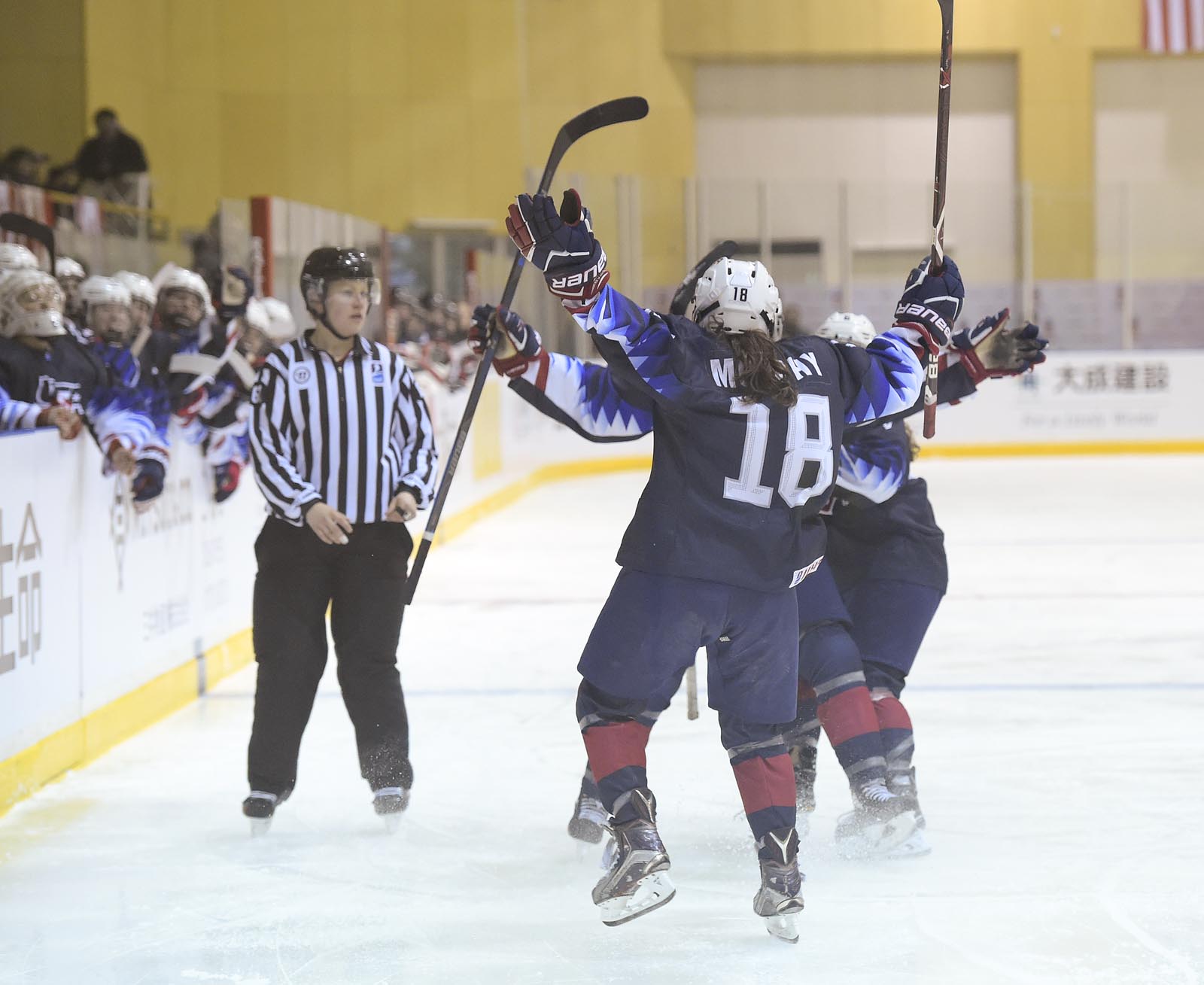 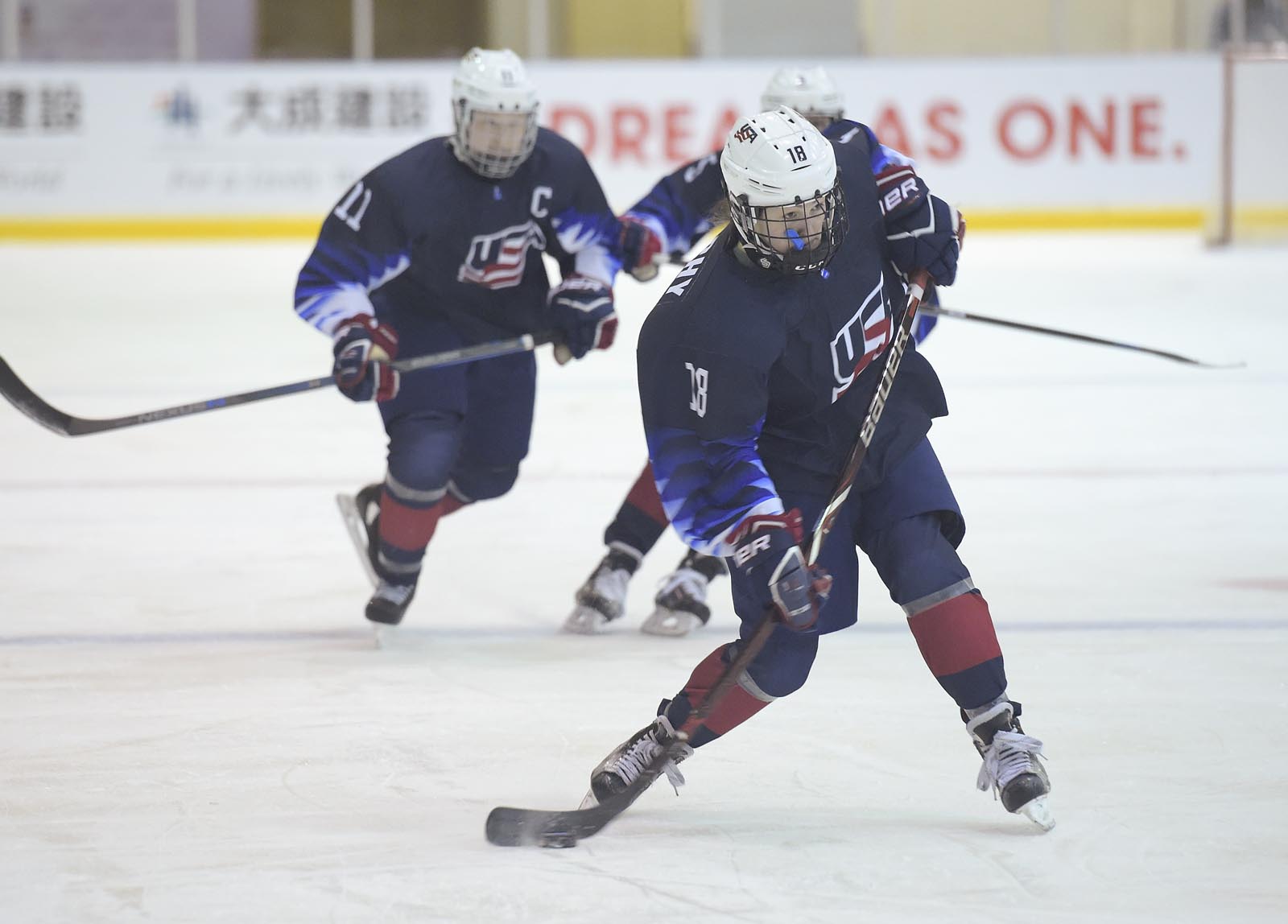 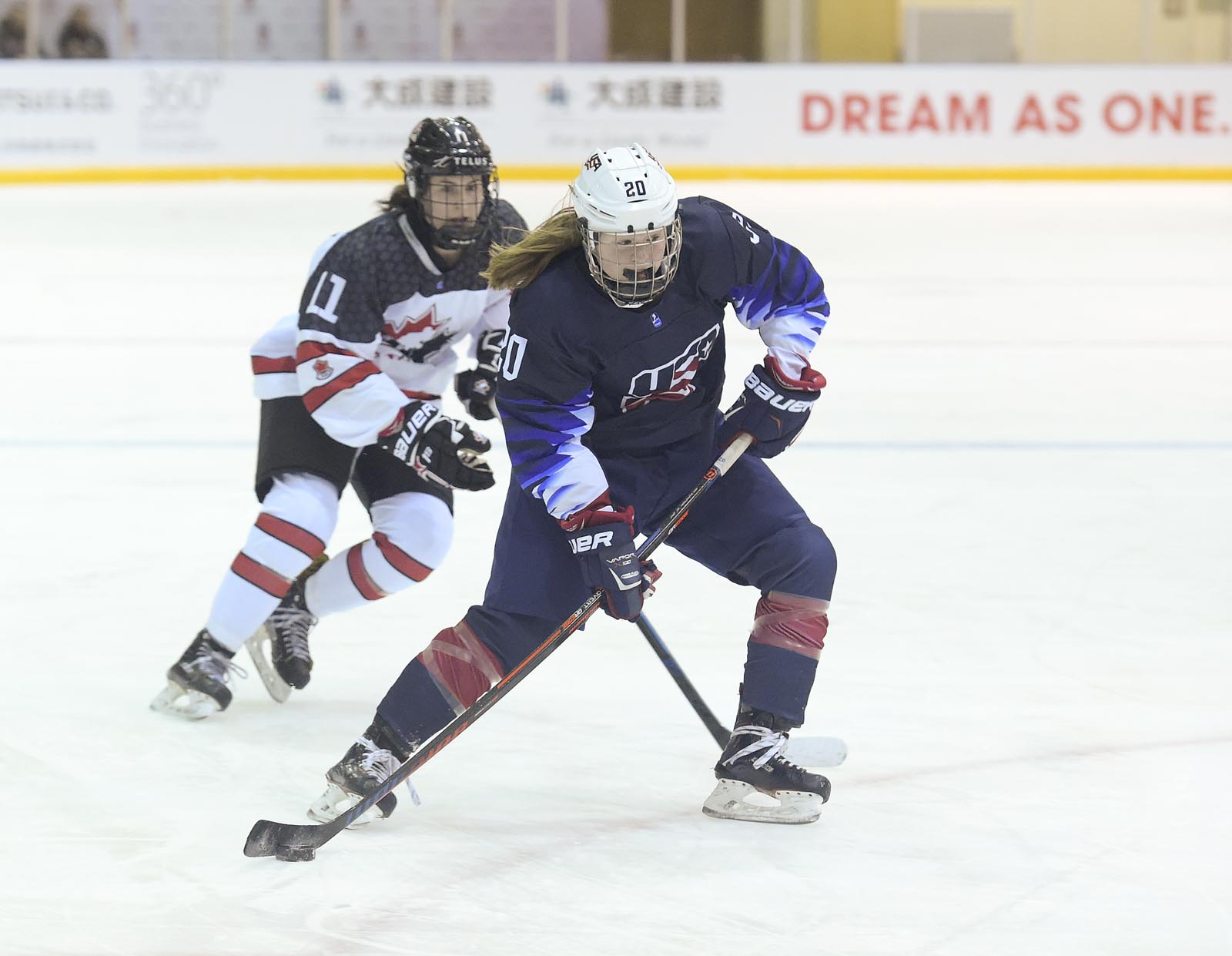 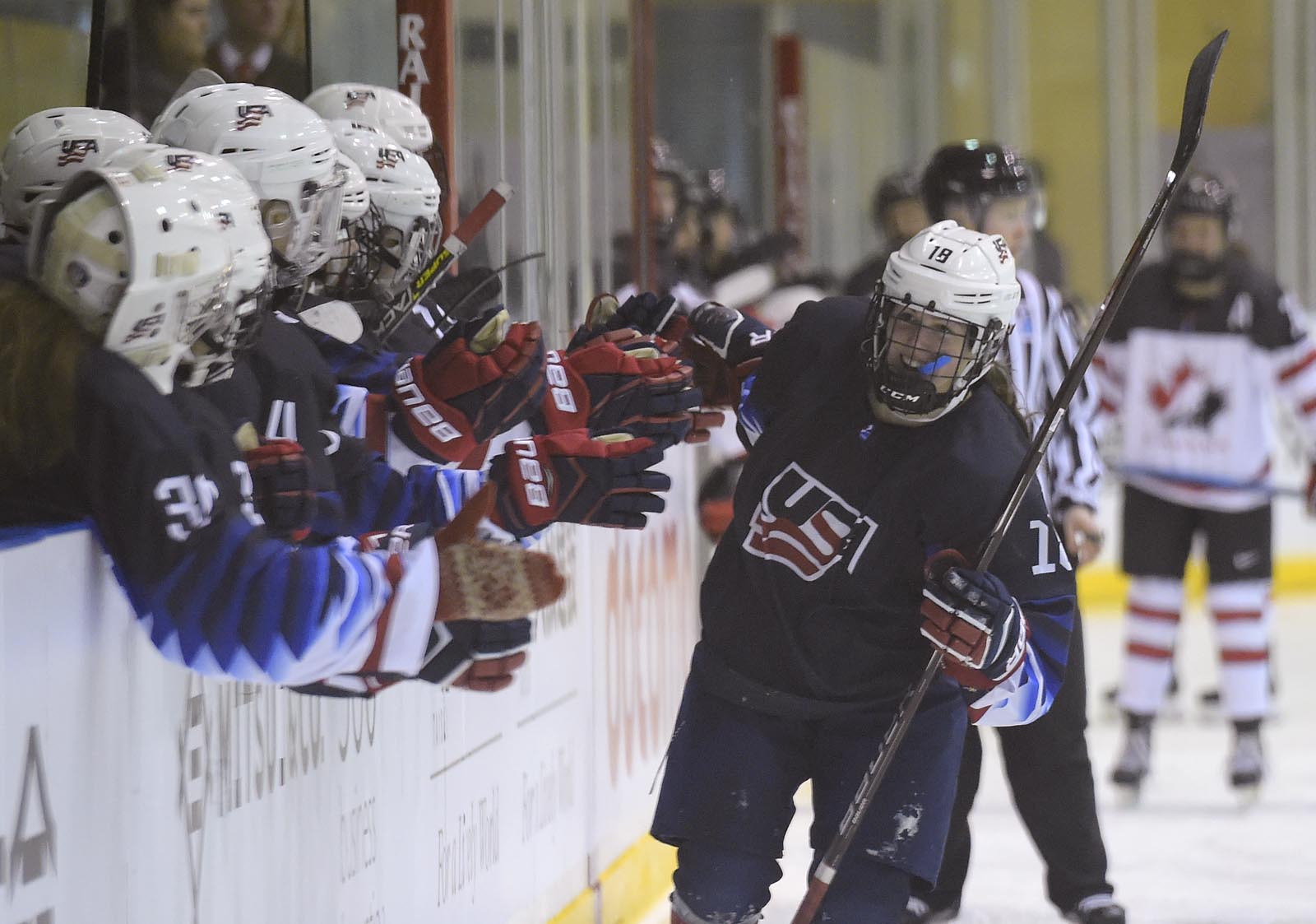 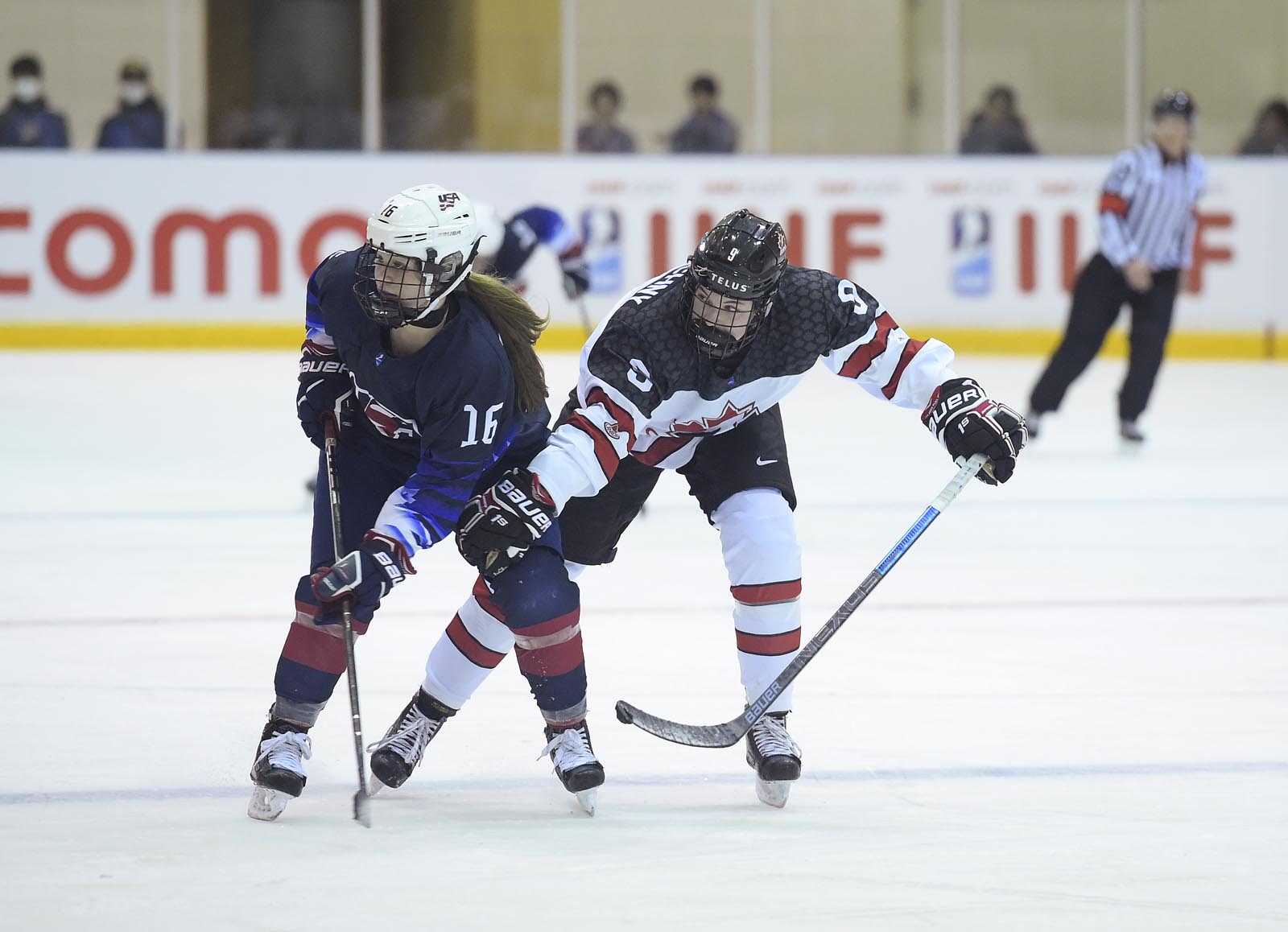 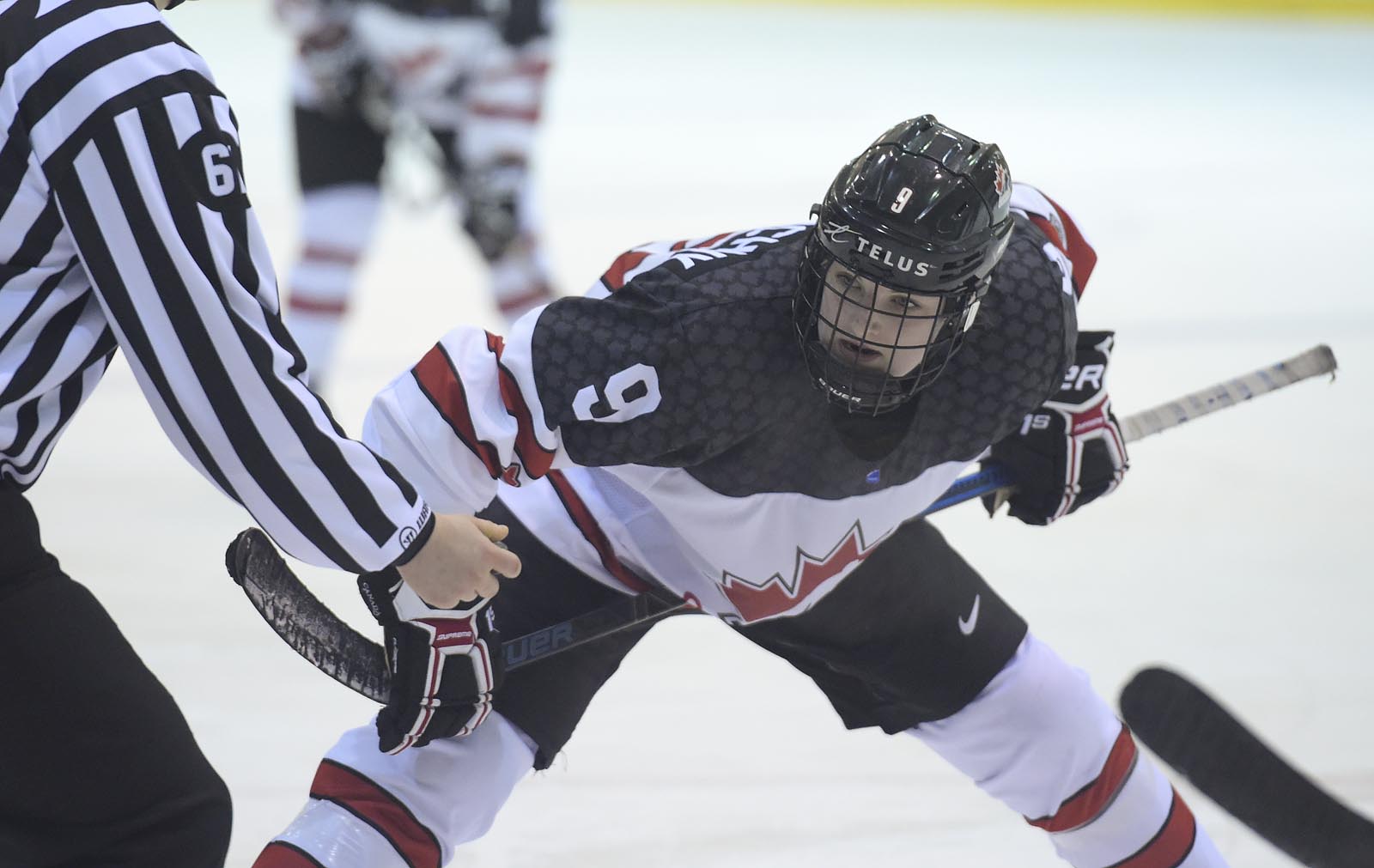 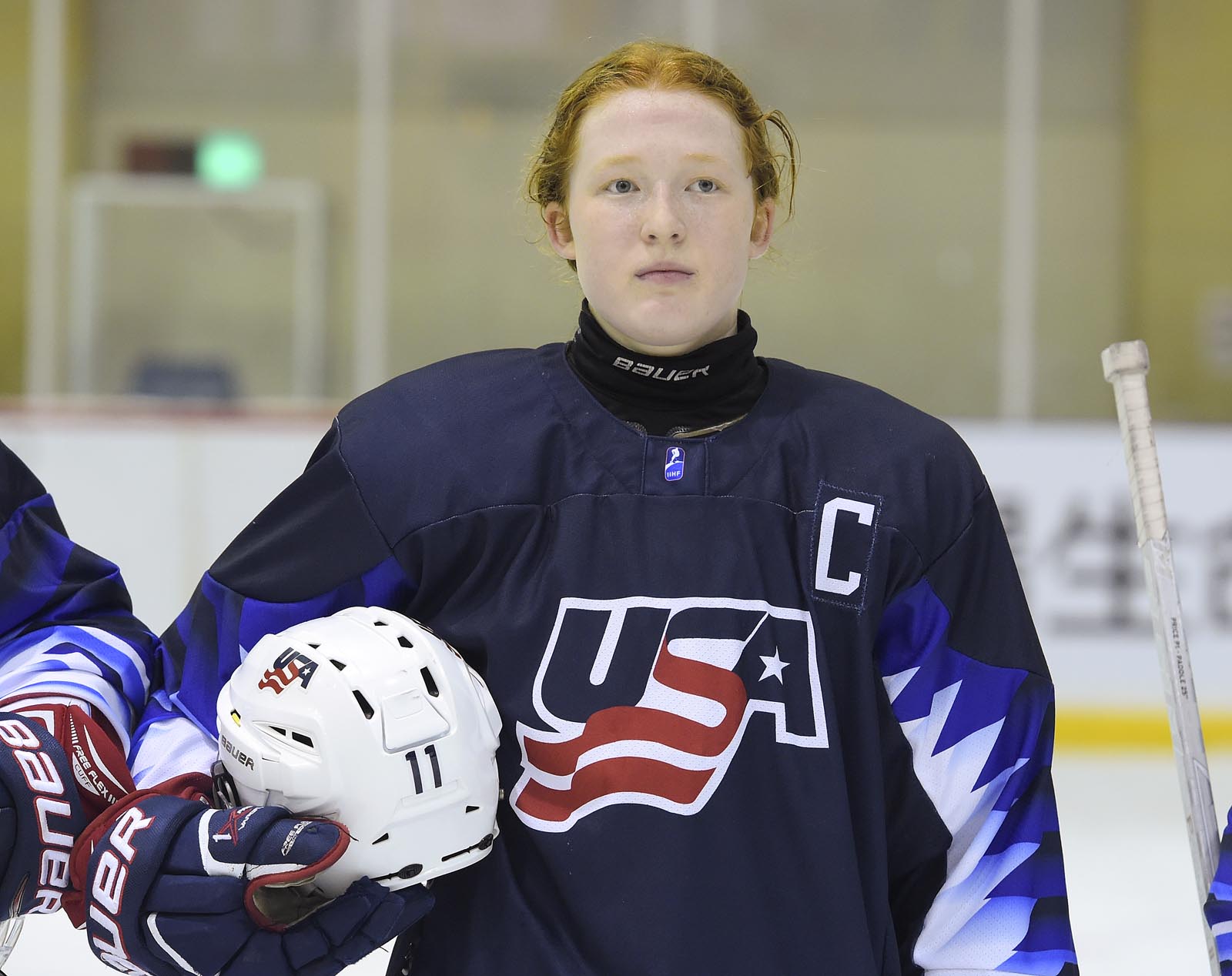 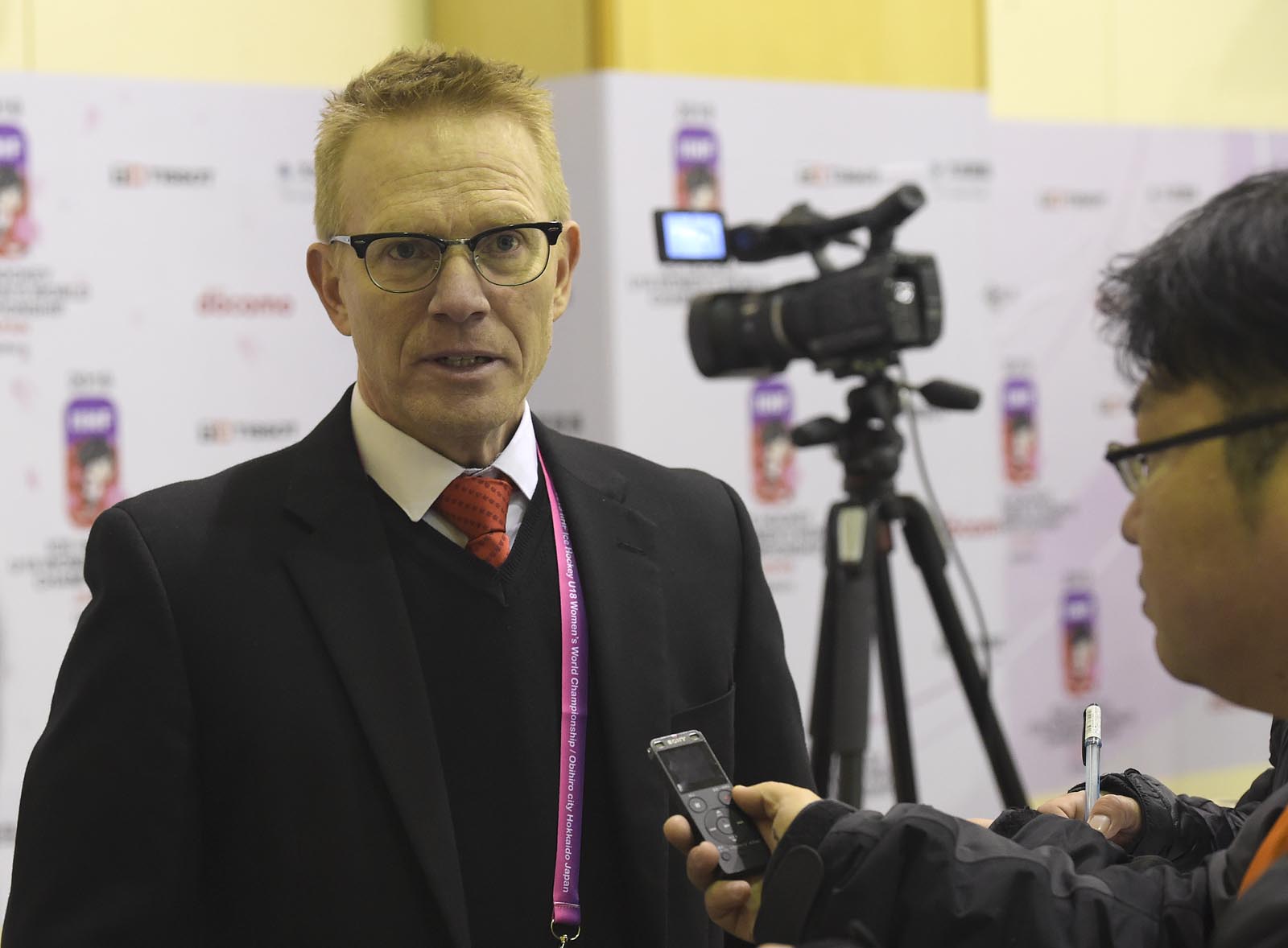 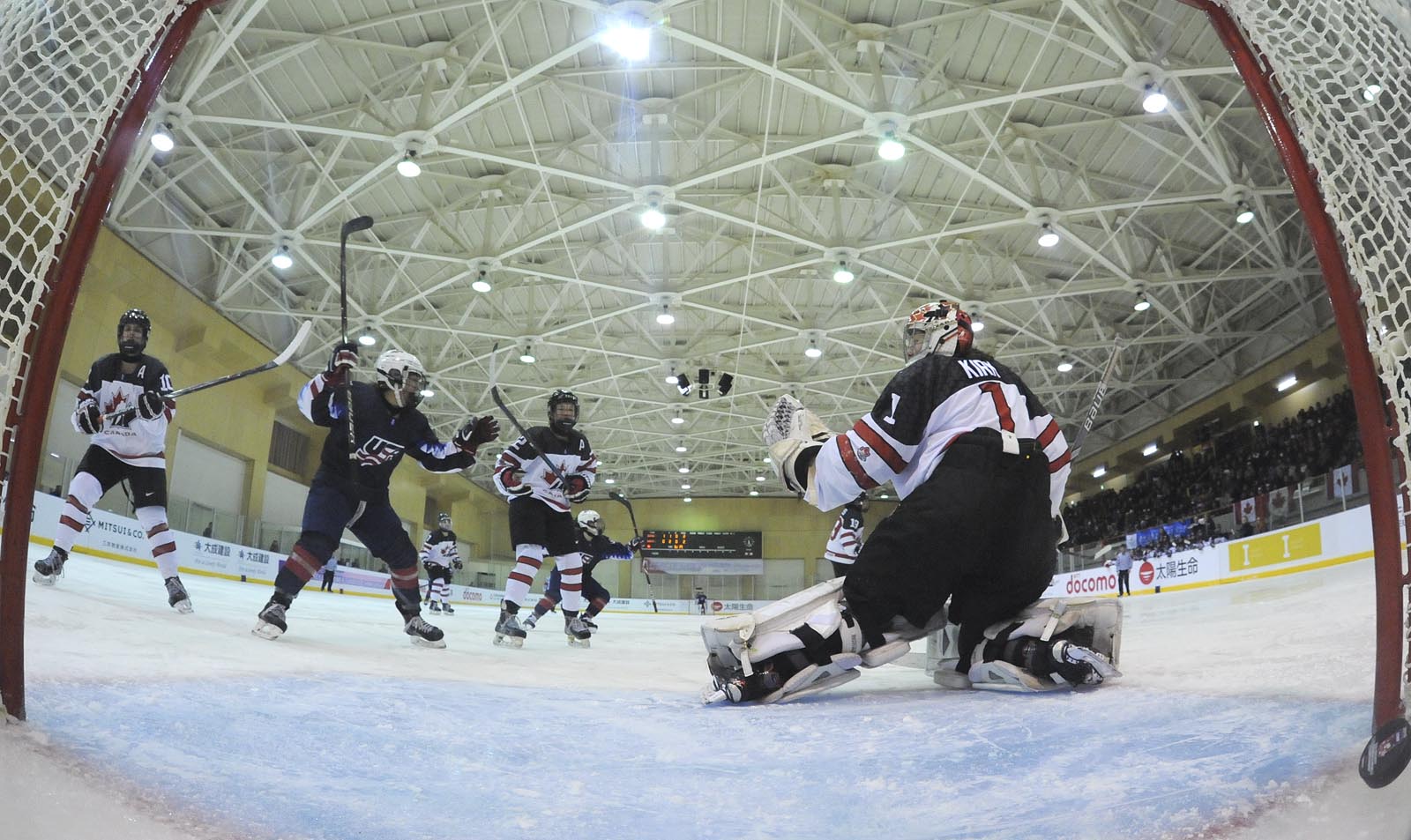 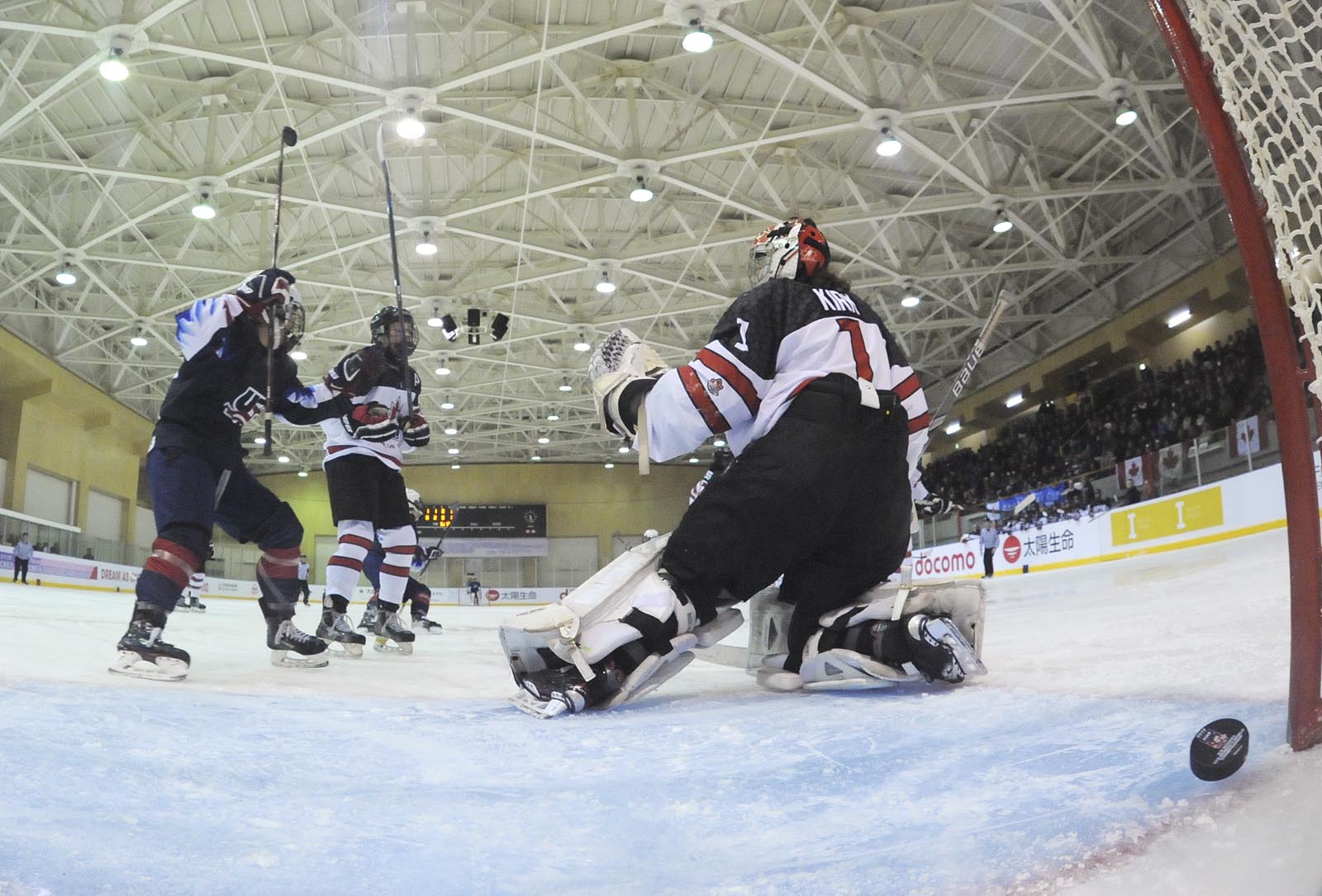 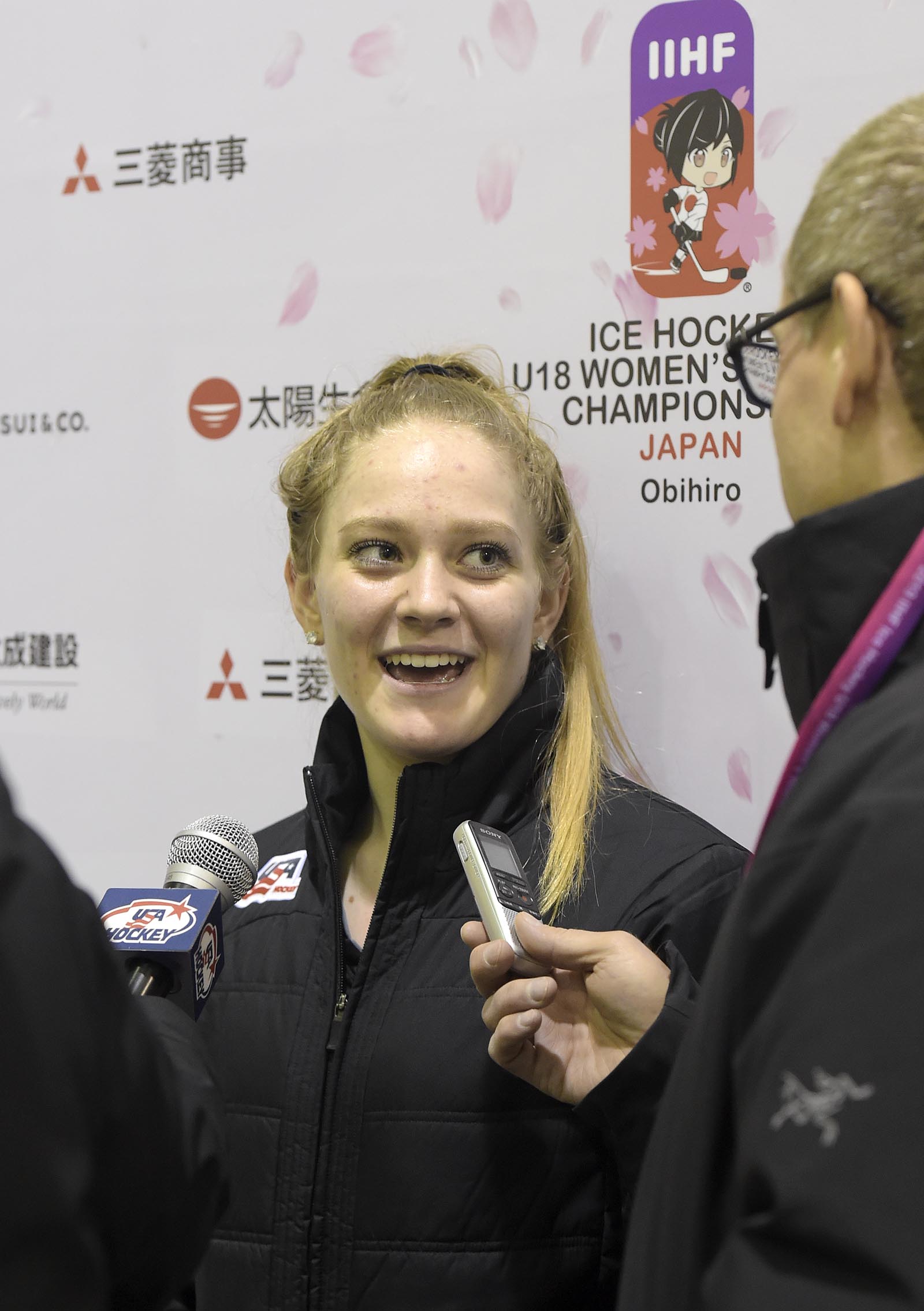