The Russians fired 25 shots at Jaskari but couldn't beat her. Finland had 19 shots on two Russian goalies.

This is only the second bronze for Finland at WW18. The other came back in 2011. Every other year they finished either 5th or 6th.

"This feels great! I can't believe it," said Viivi Vainikka, who scored the first goal of the game. "We always believed we could win a medal. This was what we wanted, and this is what we worked for. We supported each other and played as a team every game."

A timid and cautious first period didn’t produce any goals, and, in fact, it didn’t even produce many decent scoring chances. The Russians had the best opportunity early with a five-on-three for 65 seconds, but even that didn’t produce any memorable moments.

The second was a different story, though. Finland struck for two quick goals in the early going, only to lose all momentum to a determined Russian team.

Captain Nelli Laitnen took a quick shot that Grezden saved, but the goalie didn’t control the easy shot and Vainikka knocked the rebound in at 2:59.

"I was just in front of the goal waiting for a chance, and the puck came right to me. I was lucky enough to put it in," Vainikka said. "When I came to the bench, I told everyone that goal was going to be the winner!"

But the rest of the period belonged to Russia, and a combination of poor finish and bad luck conspired to keep them off the scoreboard. Ilona Markova was set up perfectly in front but fanned on the shot with an open net.

Soon after, Sofia Lifatova had a great chance from in front, and then Yelizaveta Shkalyova tracked down a loose puck for a breakaway, but she too couldn’t beat Erica Jaskari. Near the end of the period, Vita Ponyatovskaya hit the post, but still it remained 2-0 Finland.

Russia had several chances with the extra man in the third, but the Finnish penatly killing was flawless. Julia Liikala added an empty netter to close out the scoring.
Russia vs. Finland (2019 IIHF WW18) 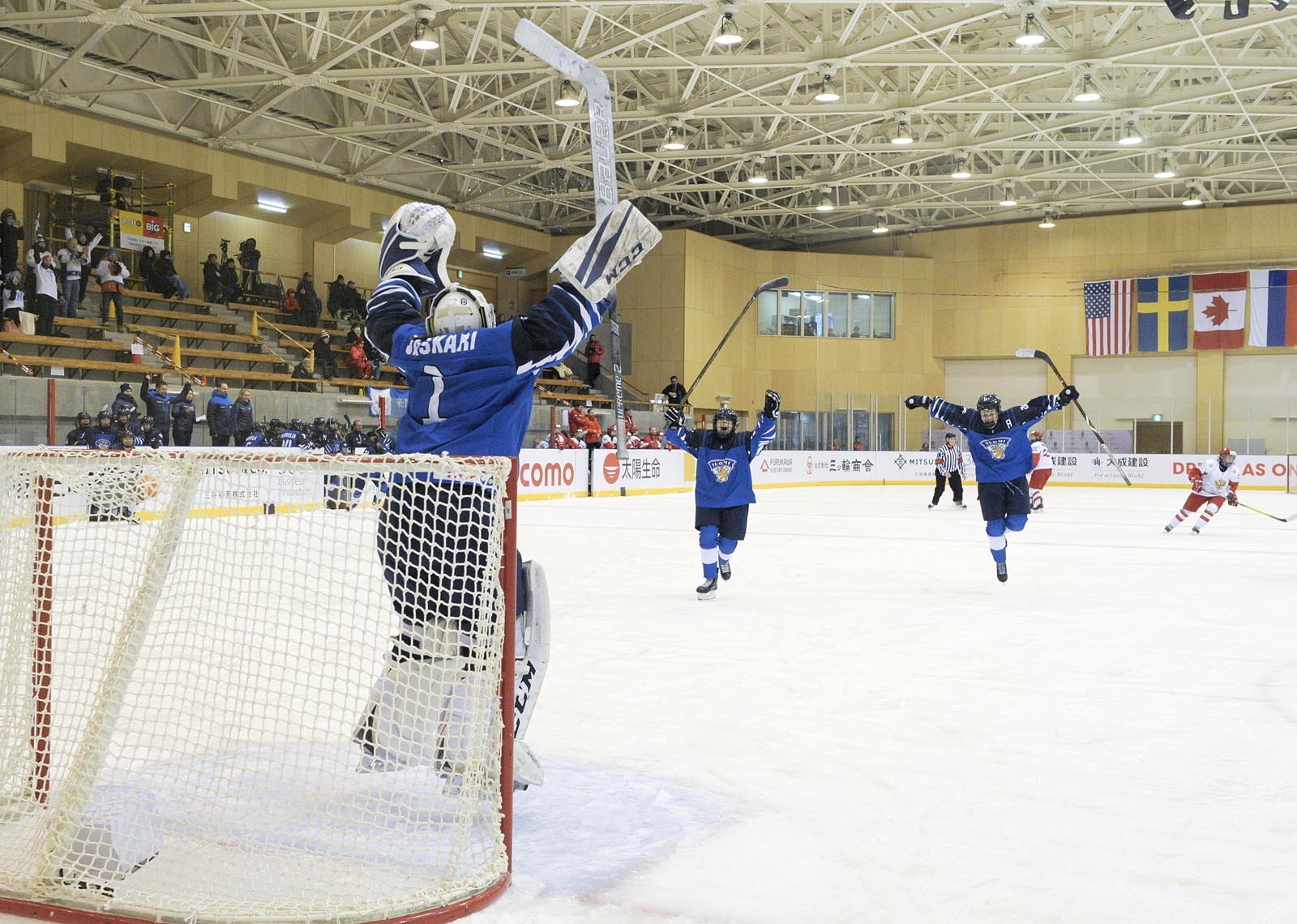 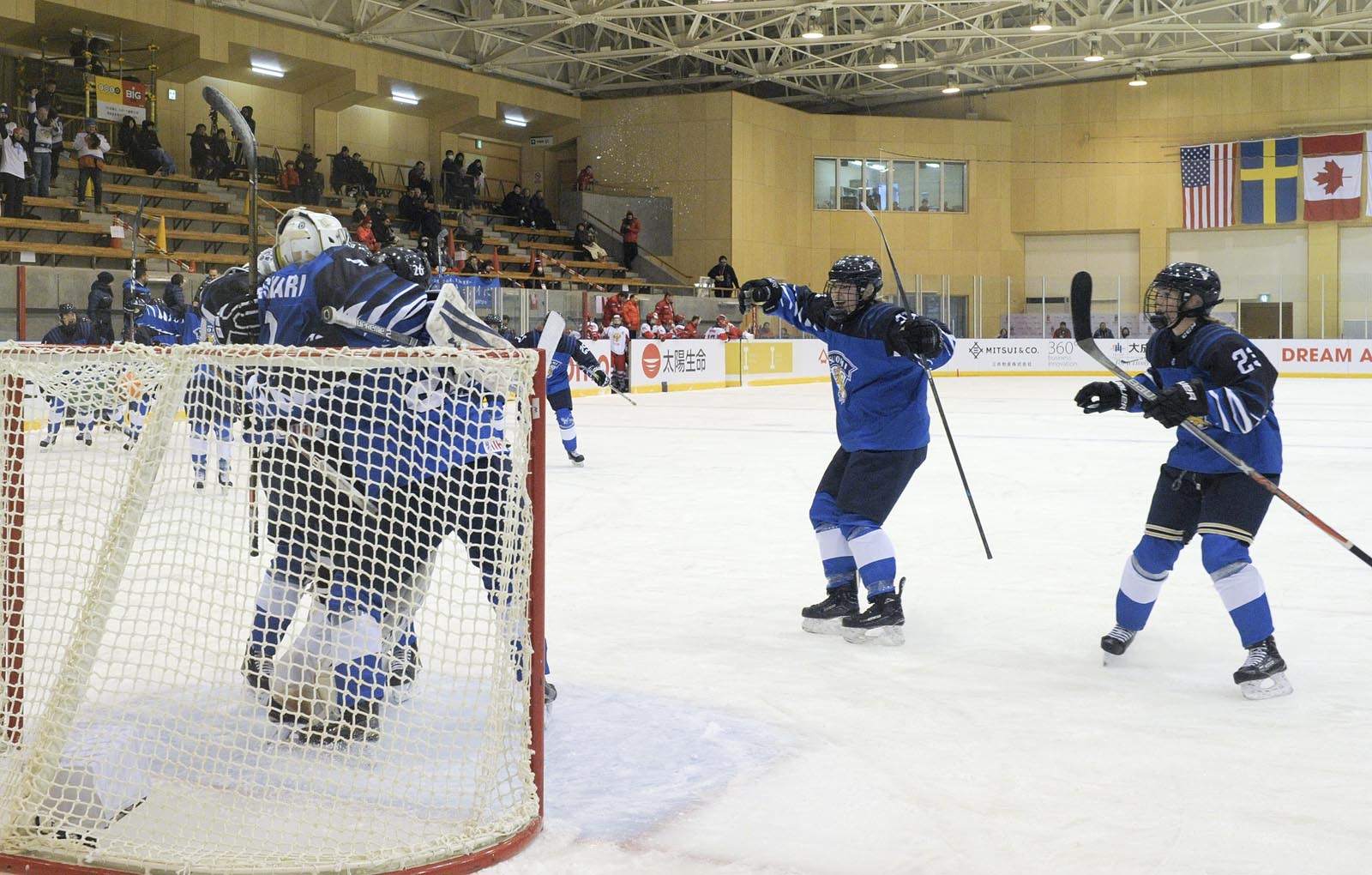 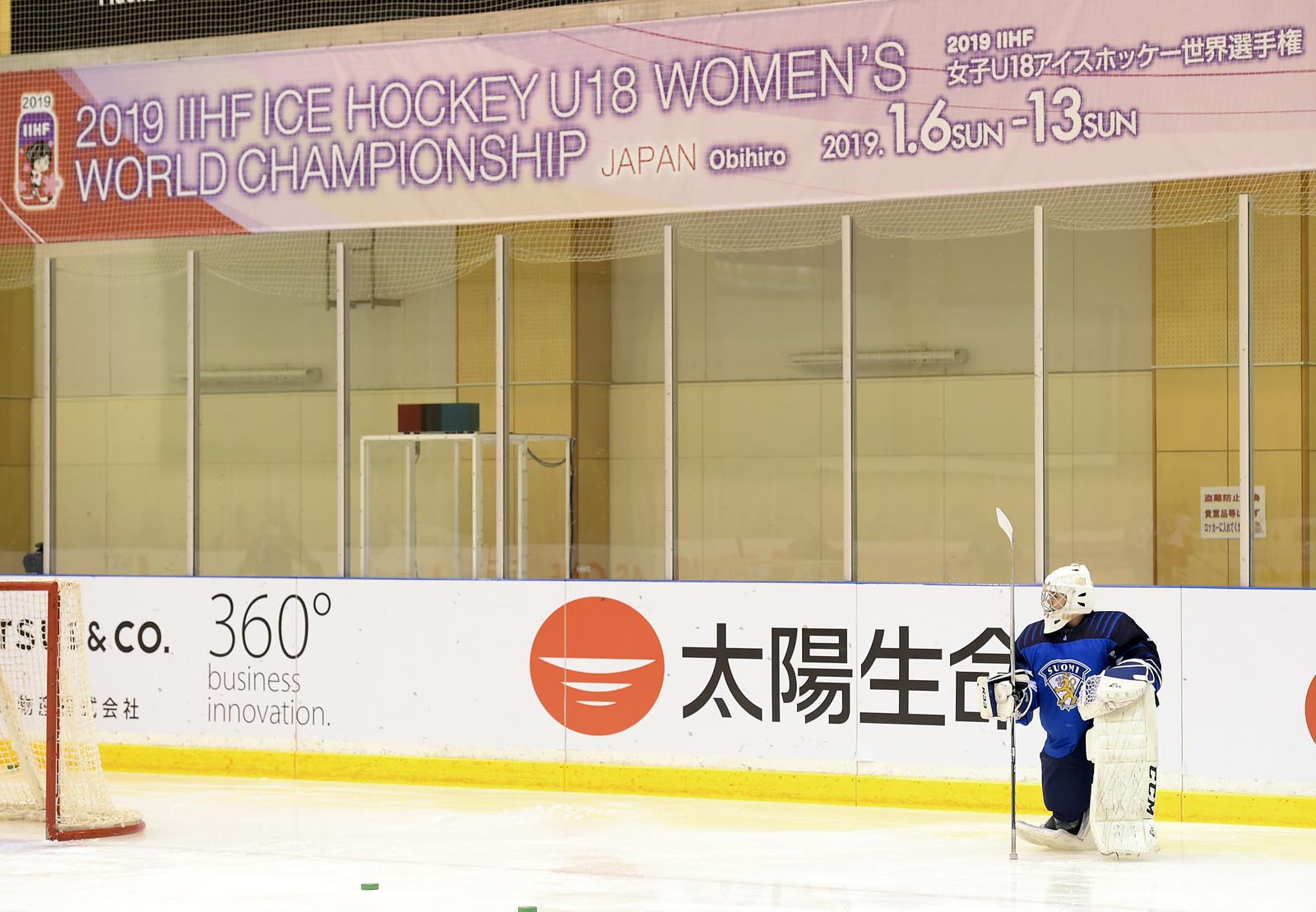 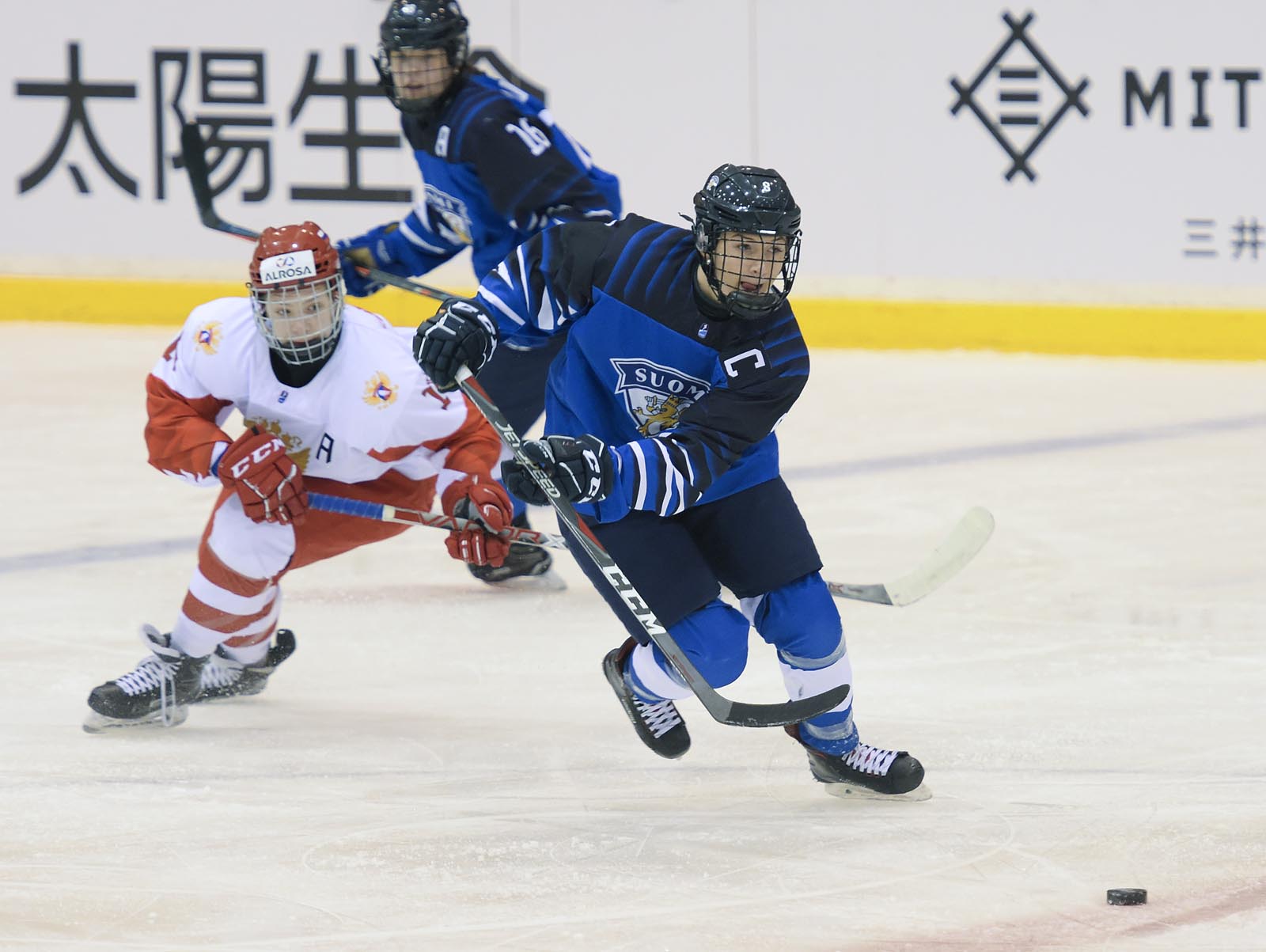 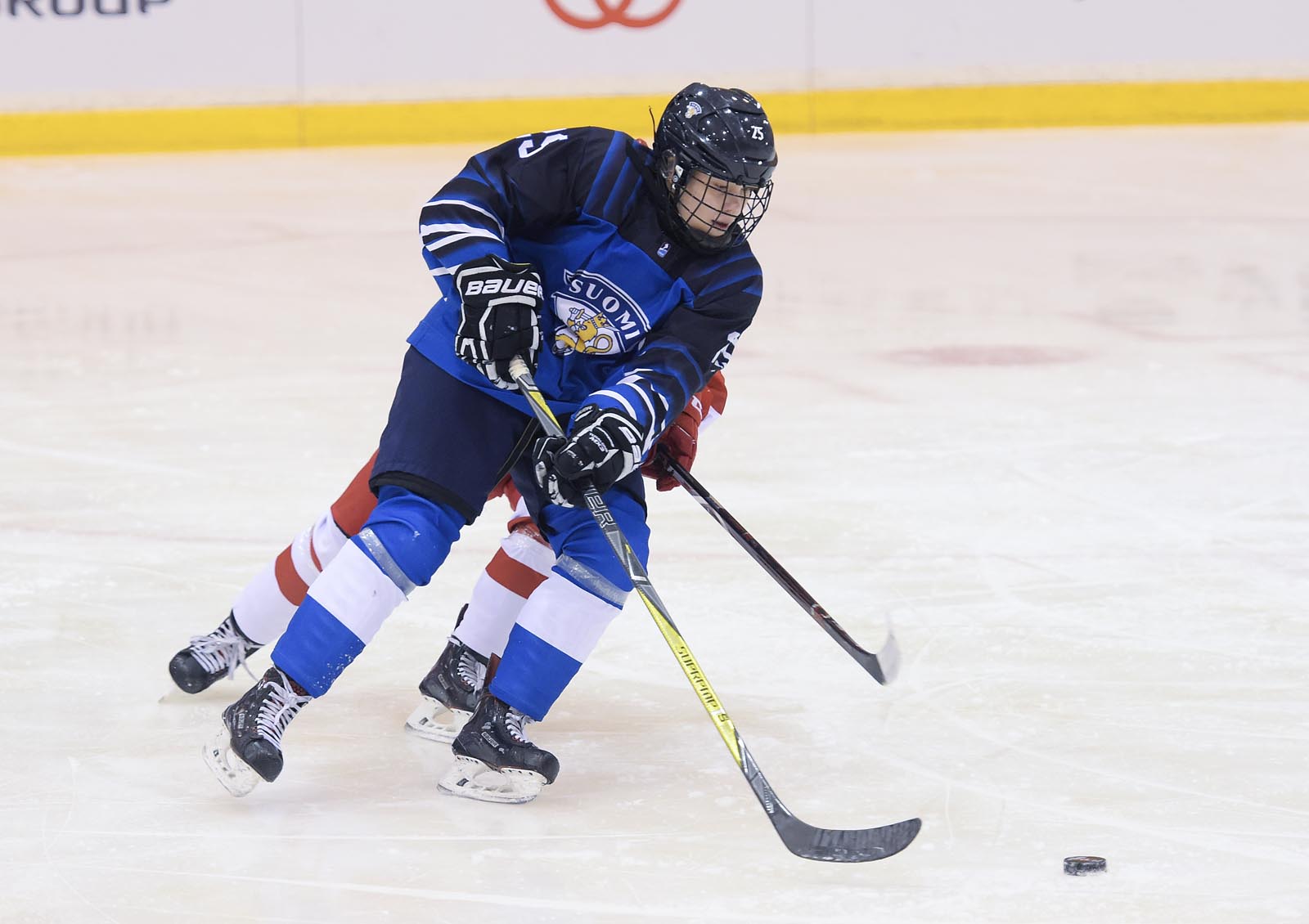 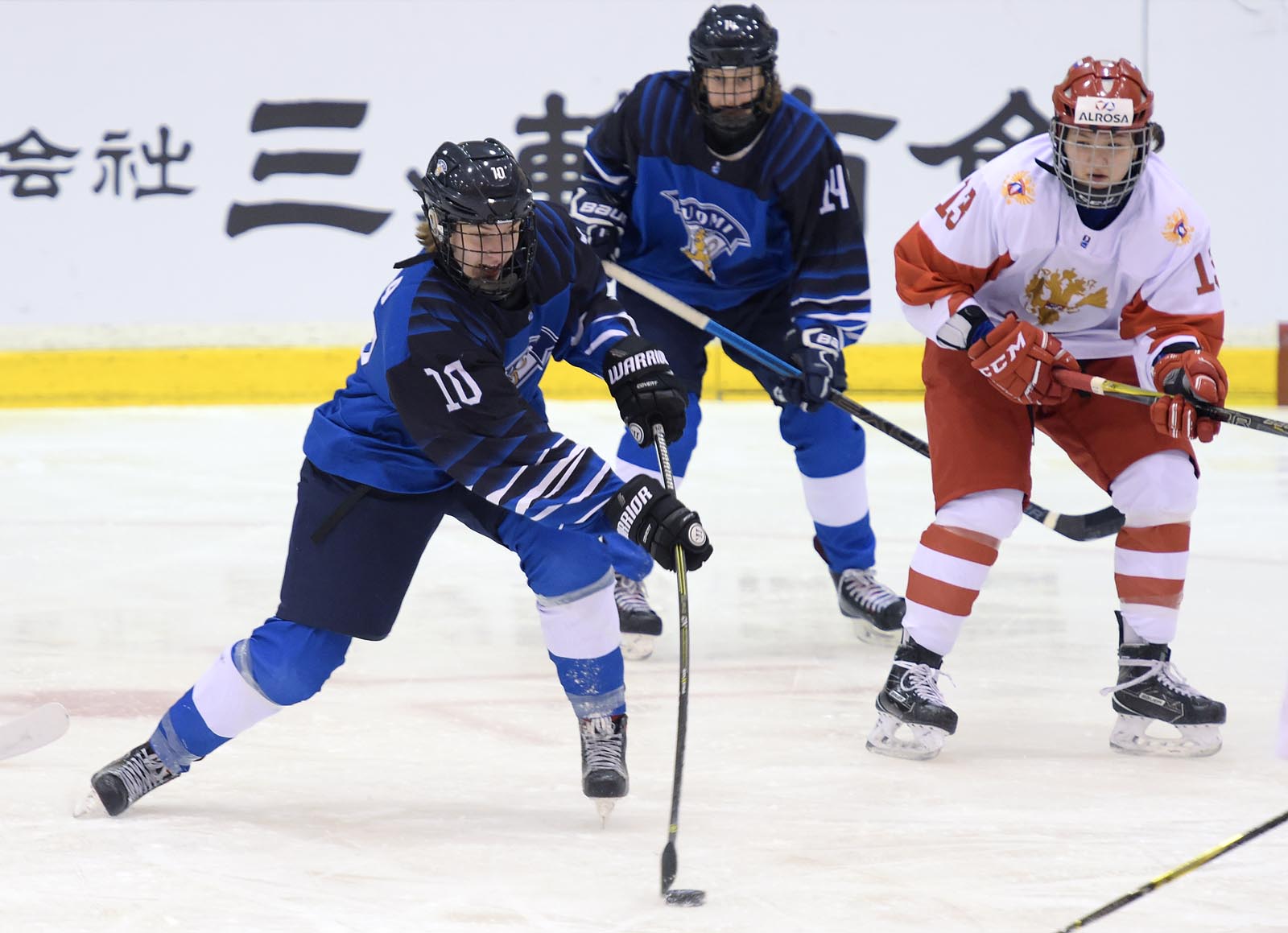 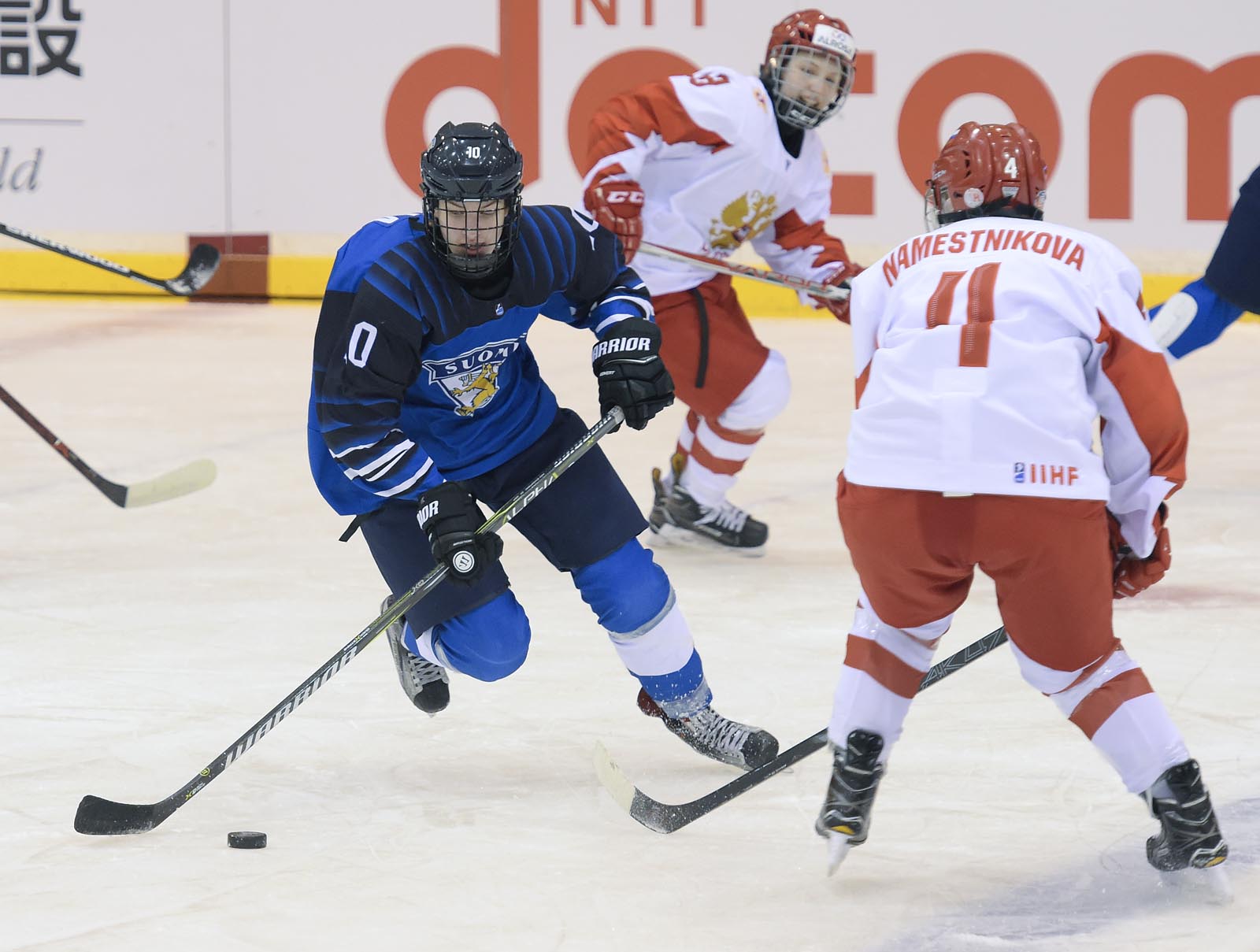 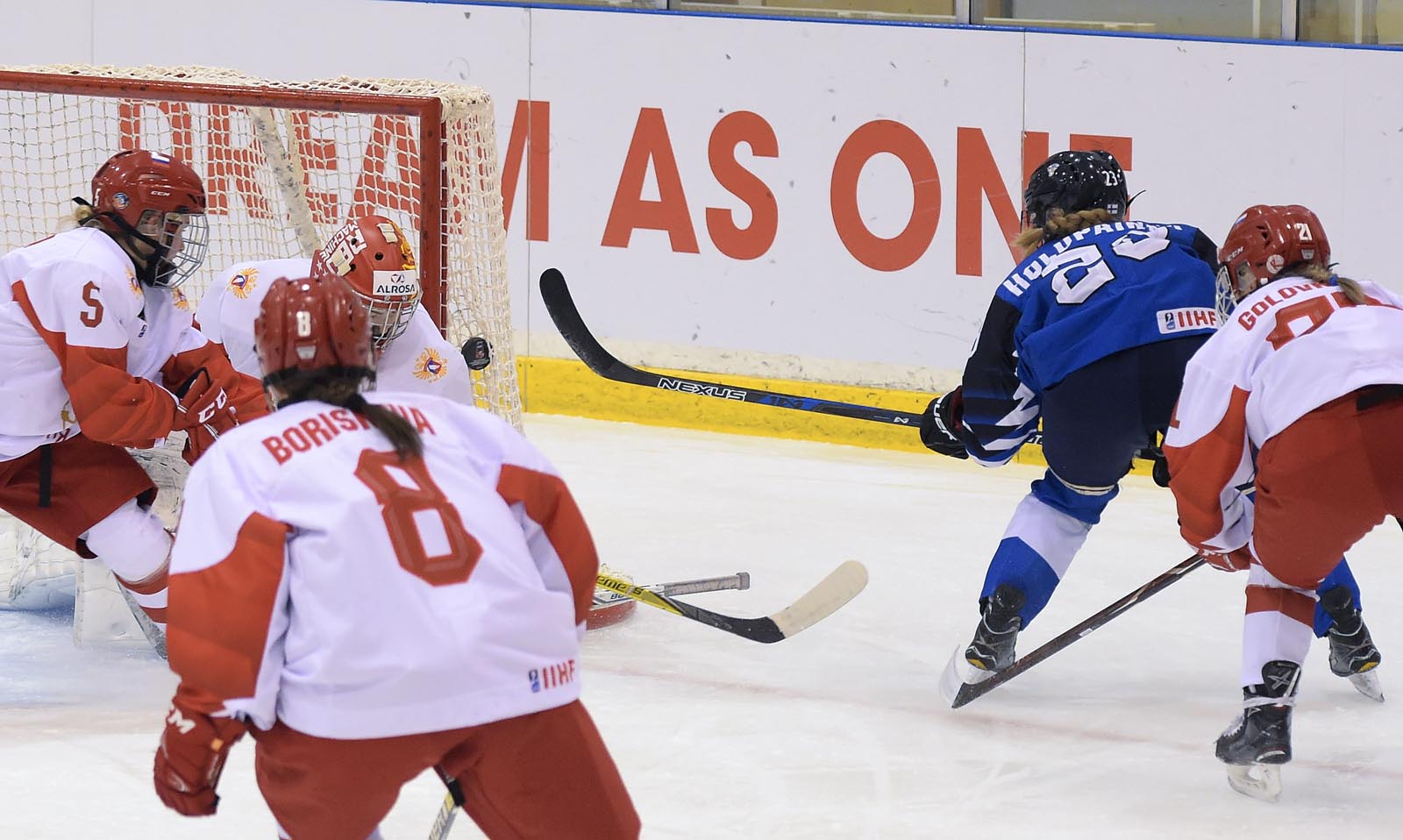 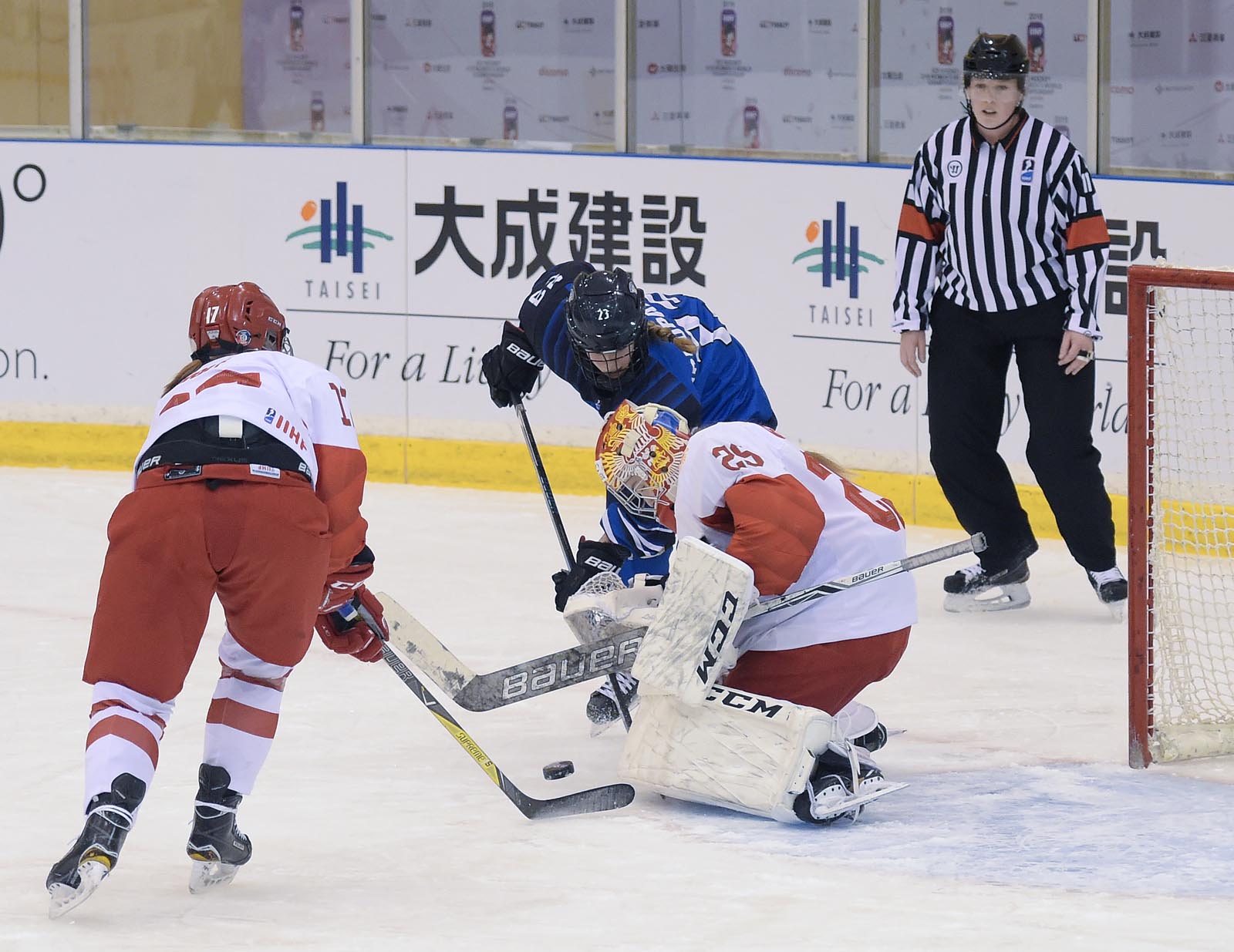 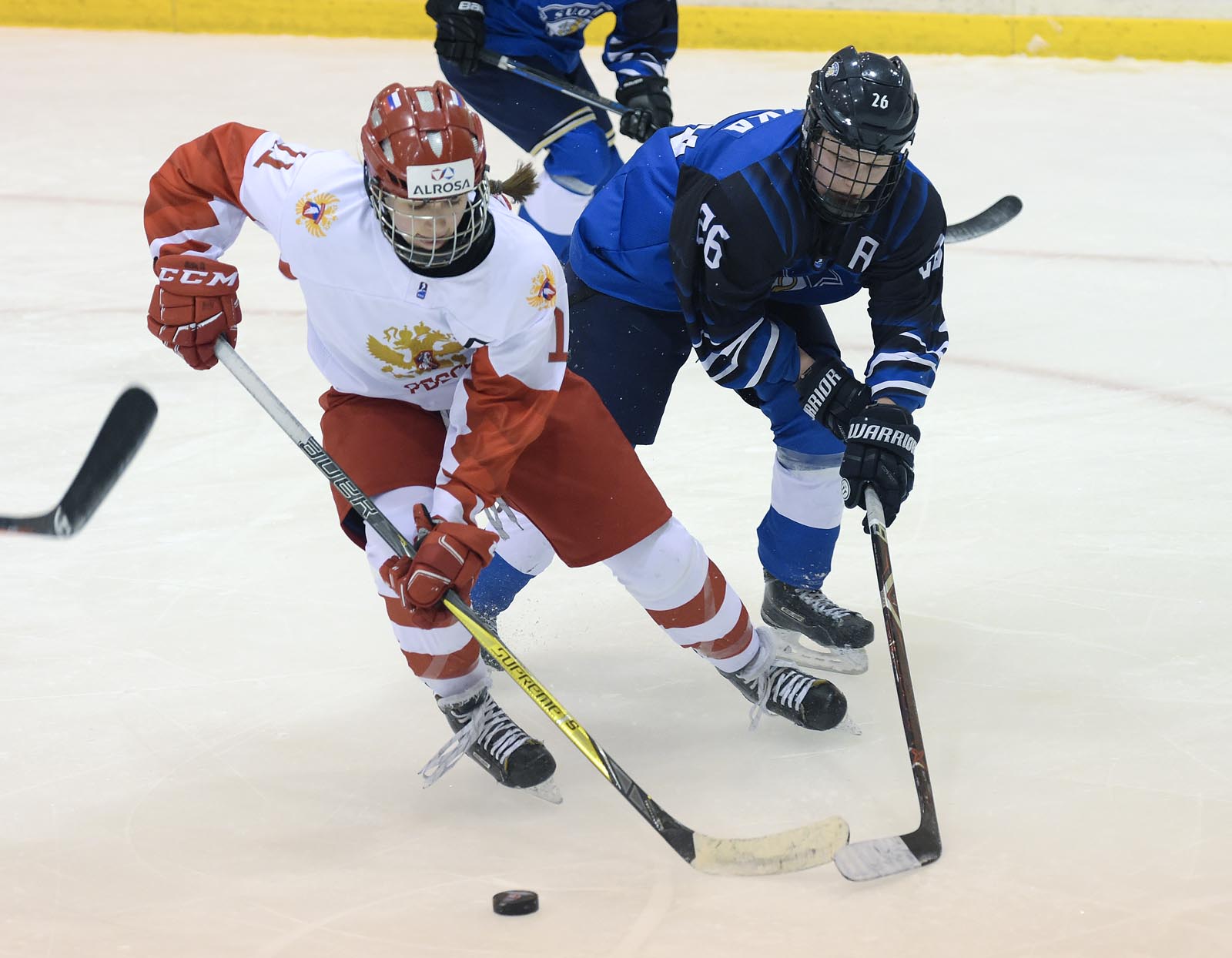 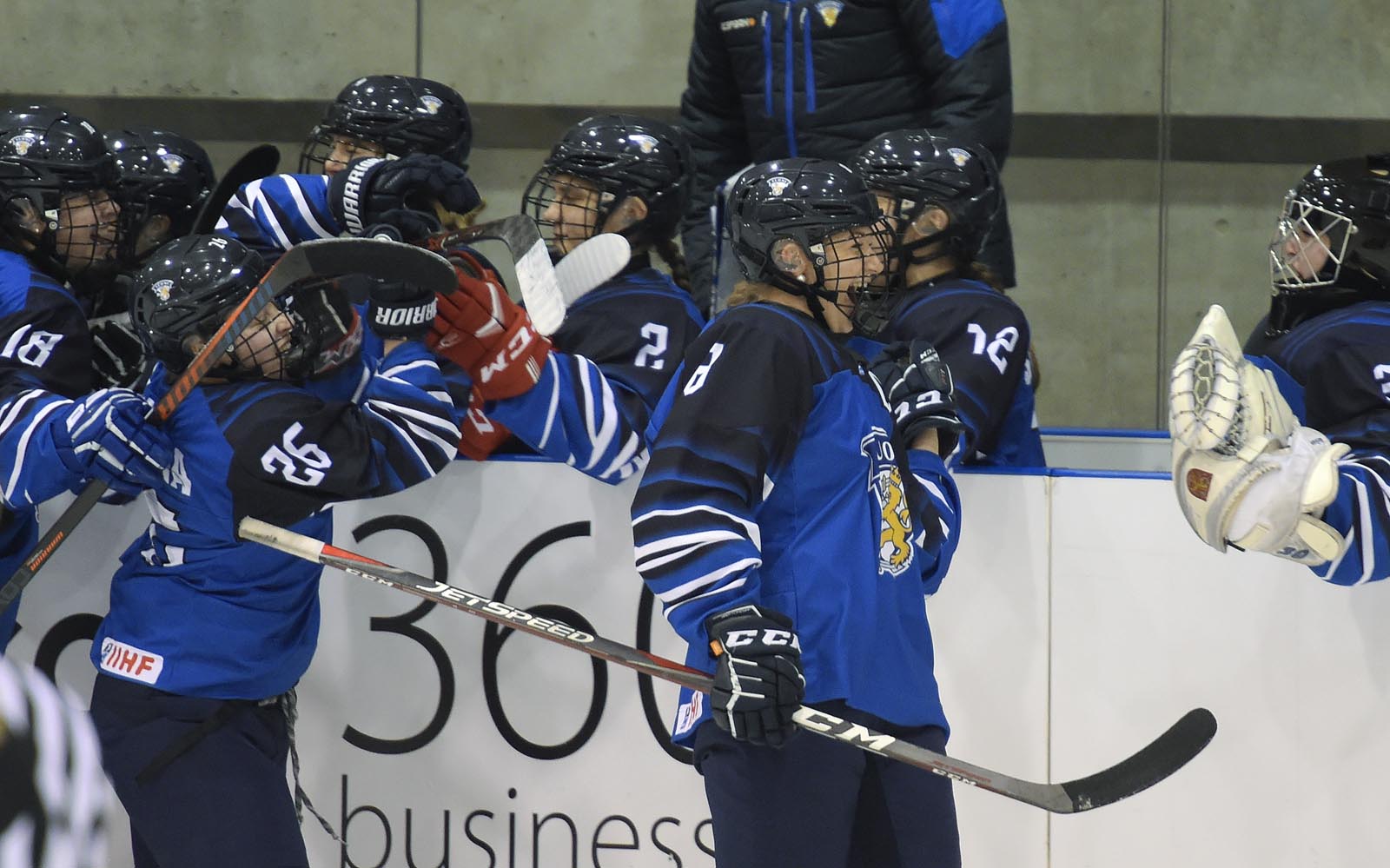 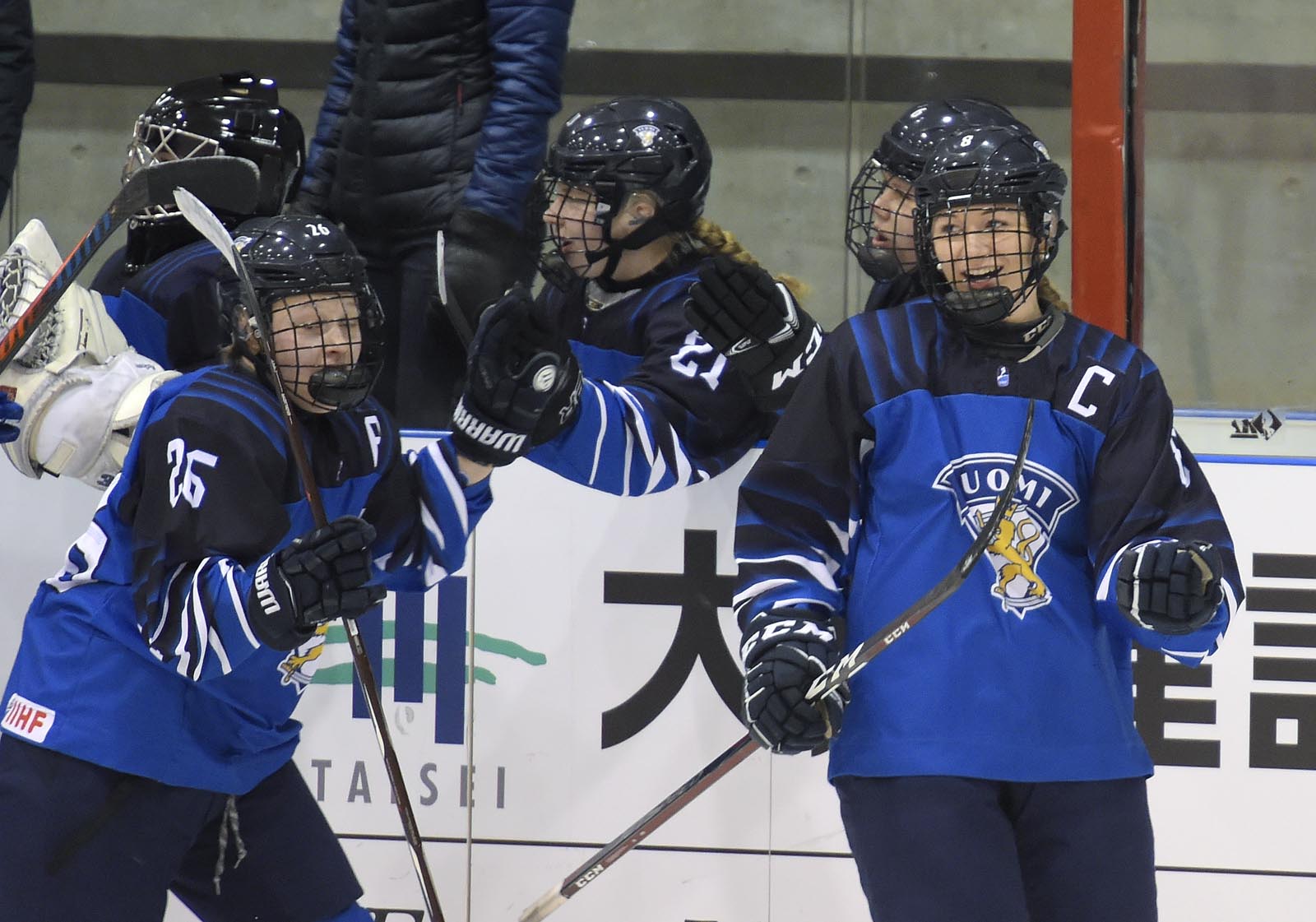 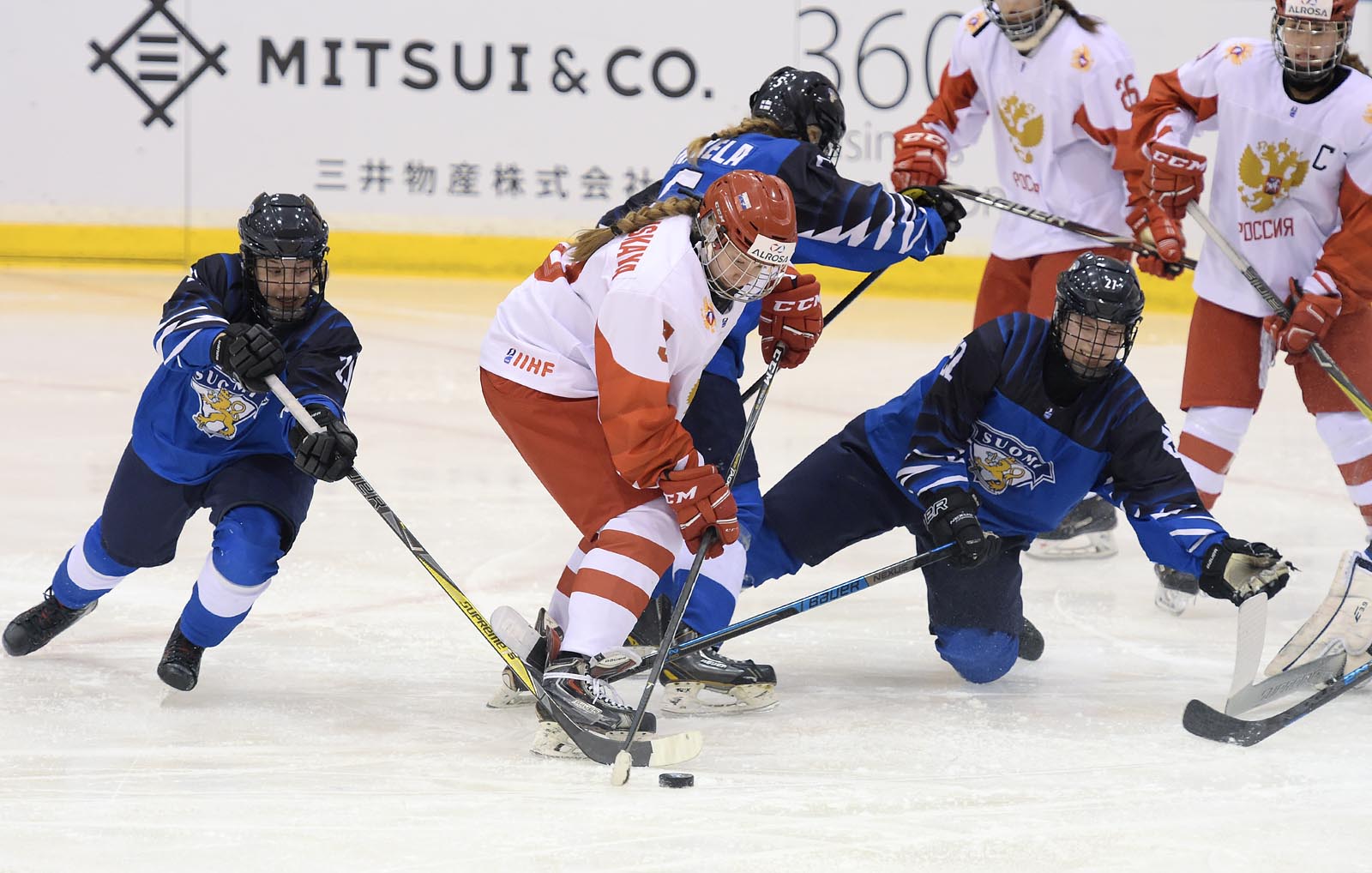 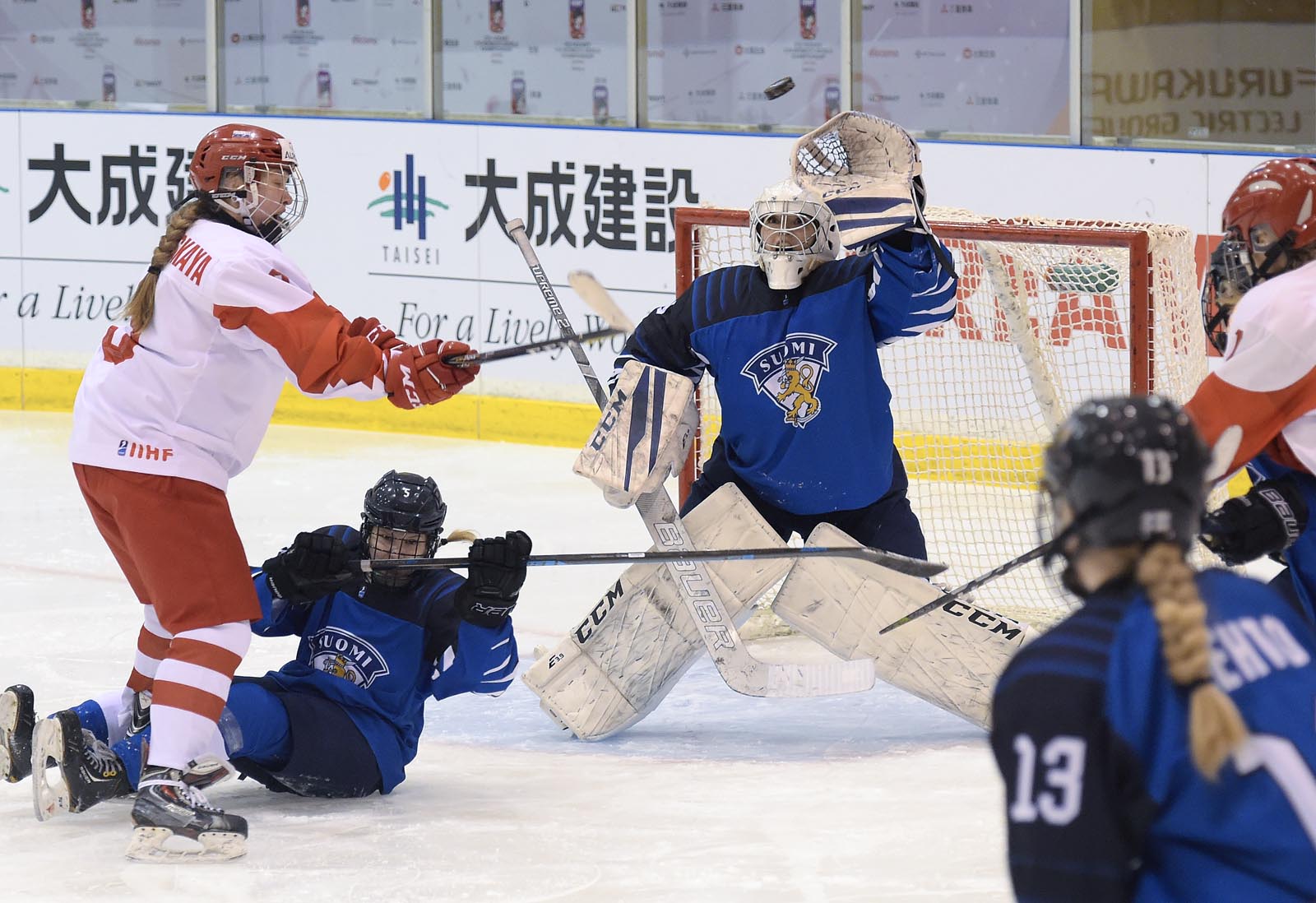 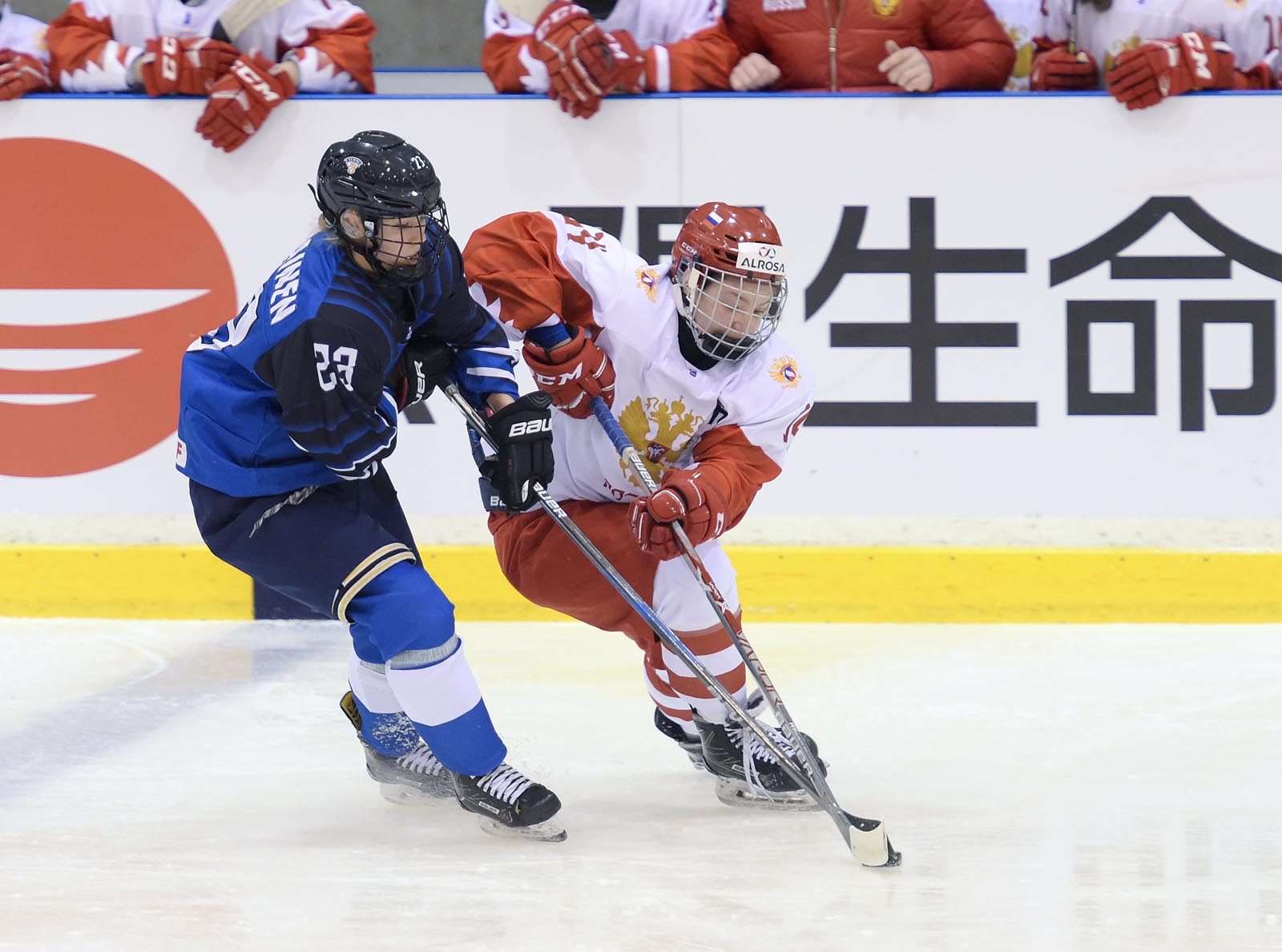 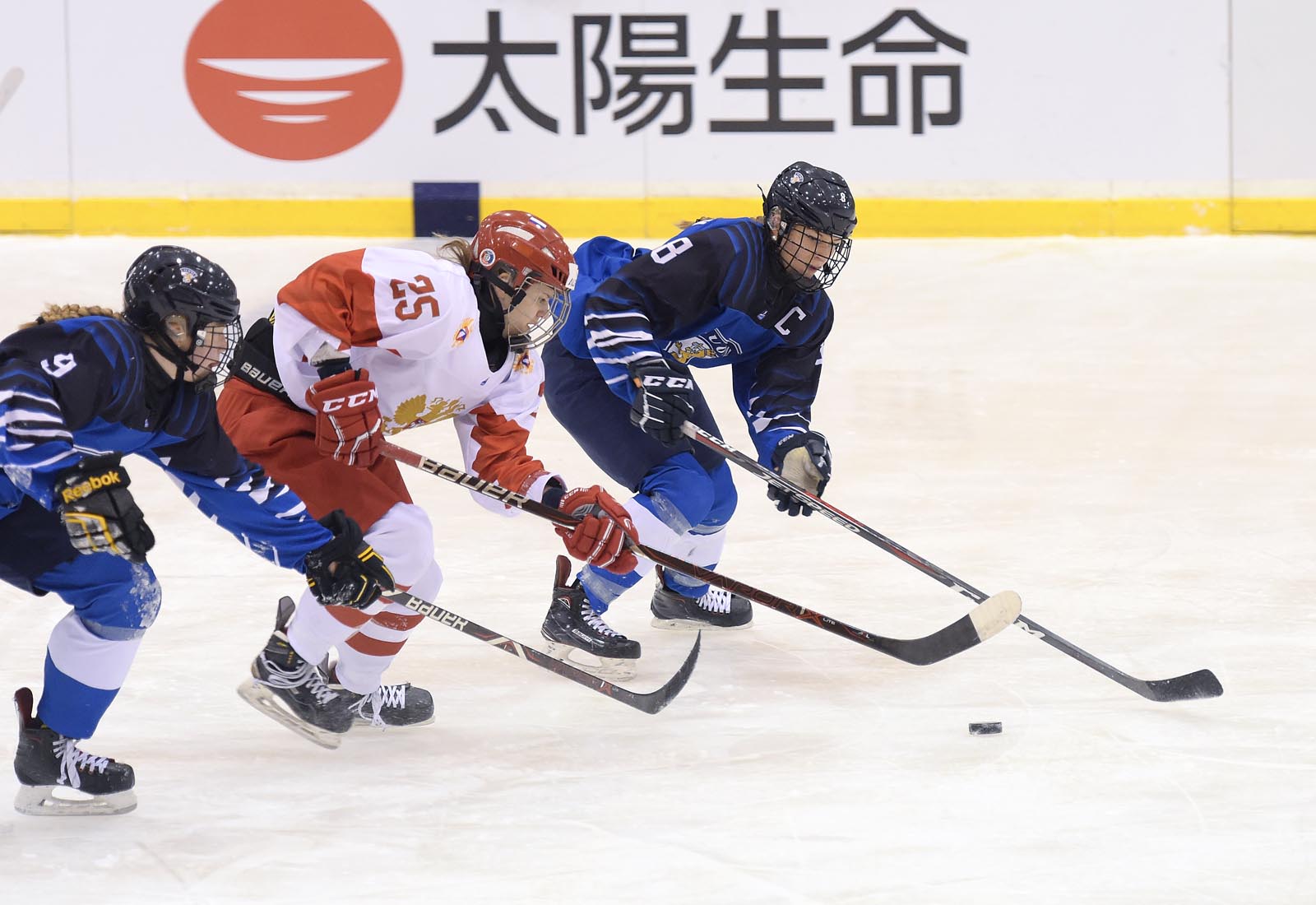 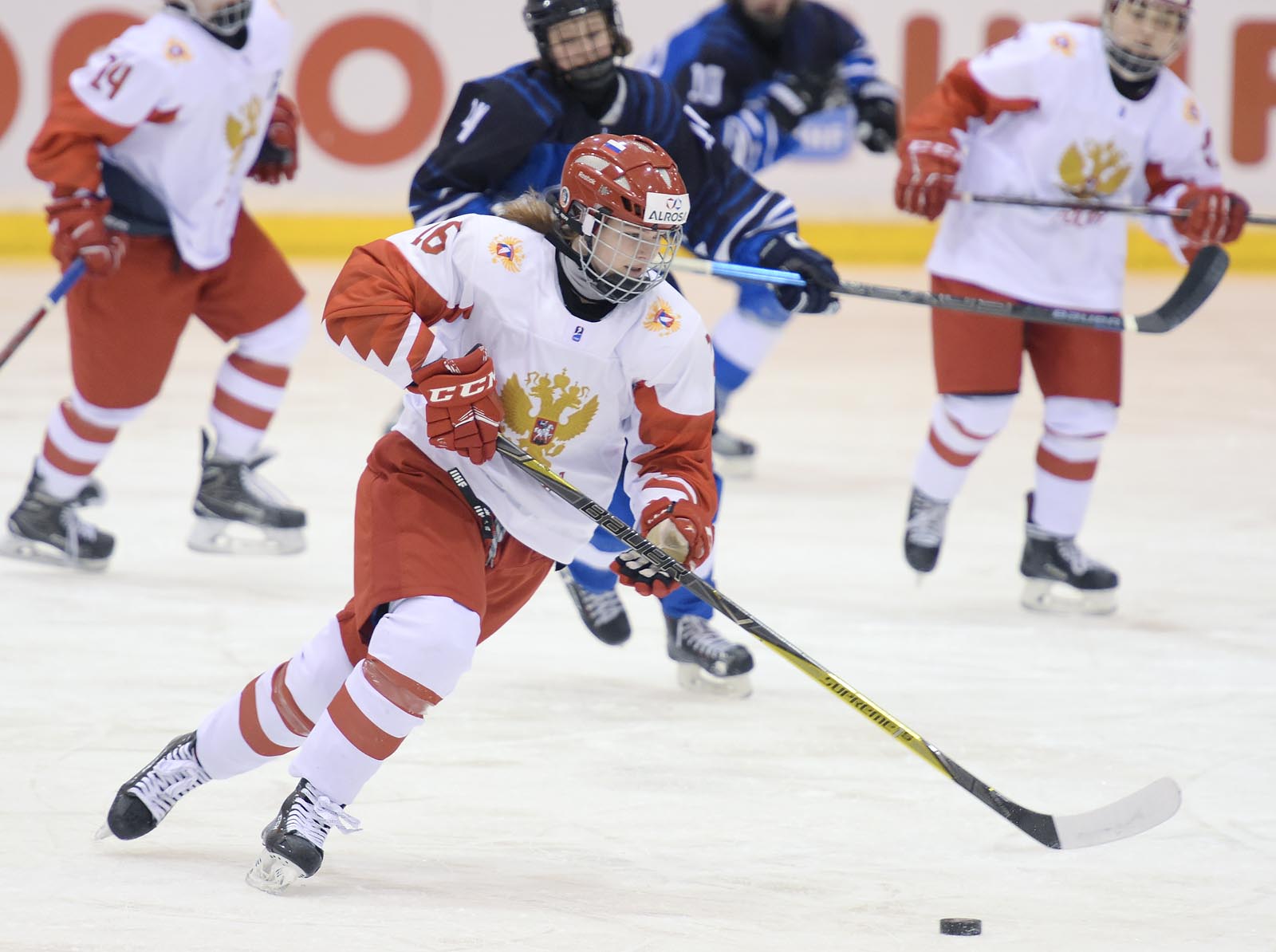 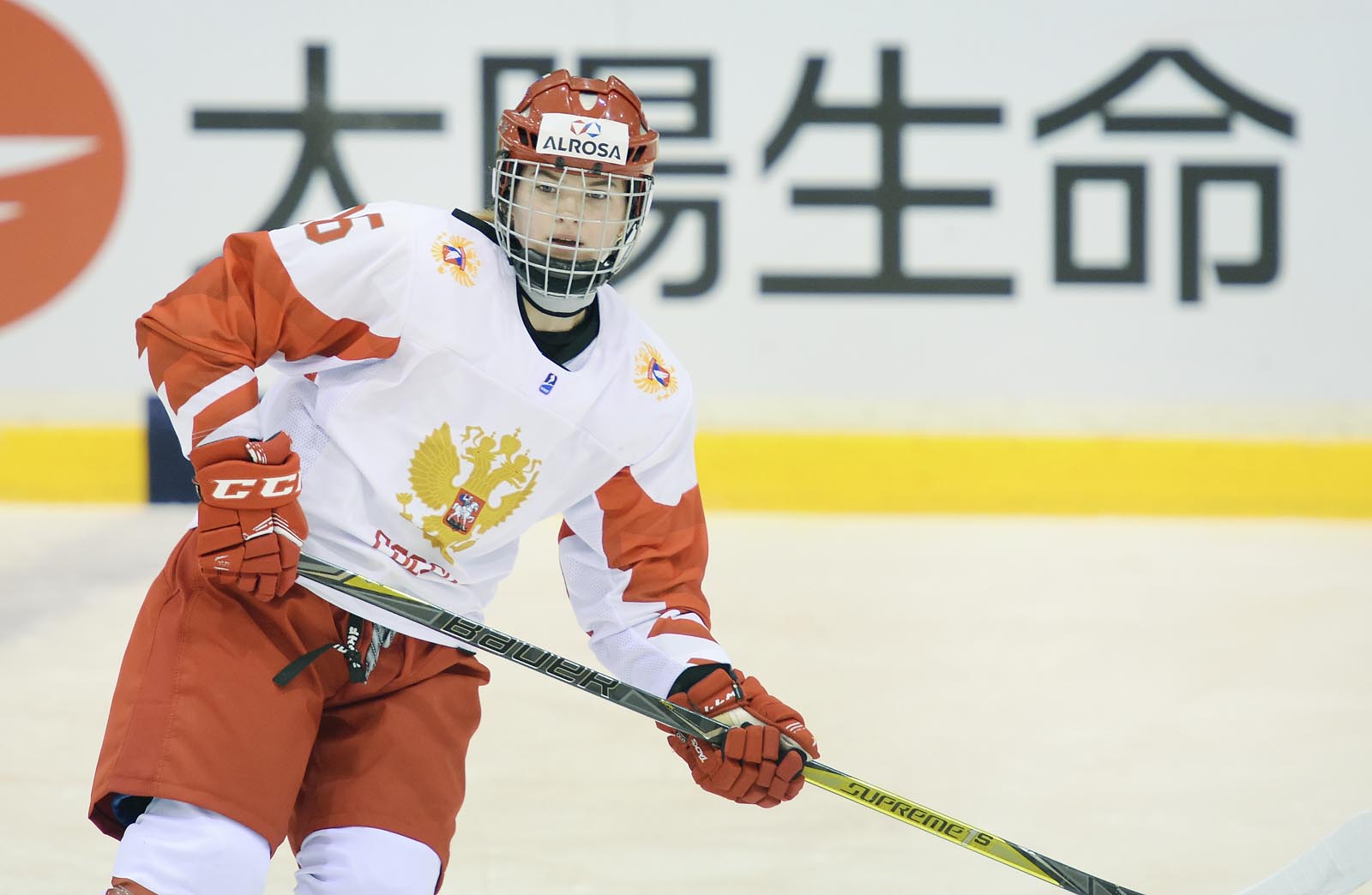 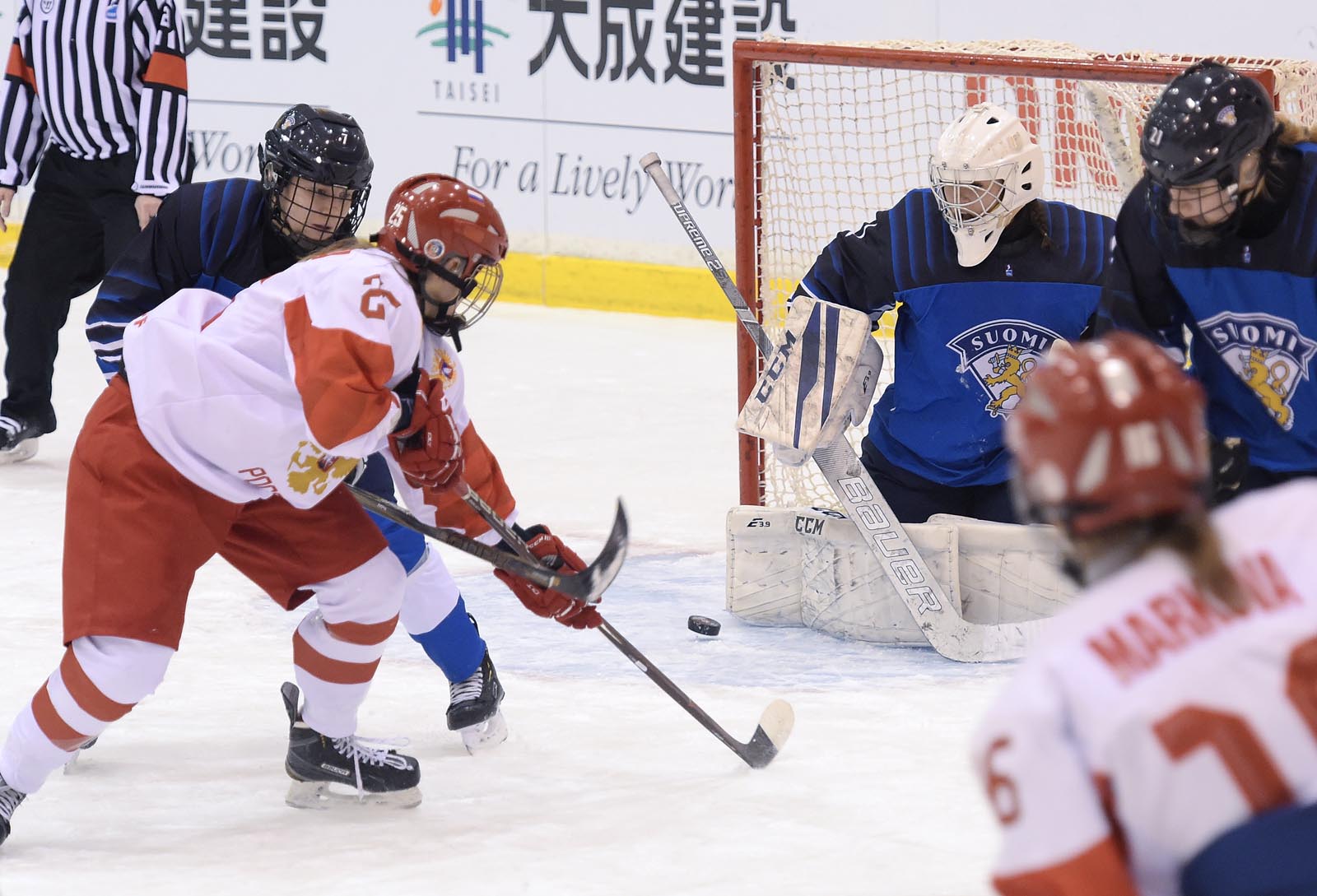 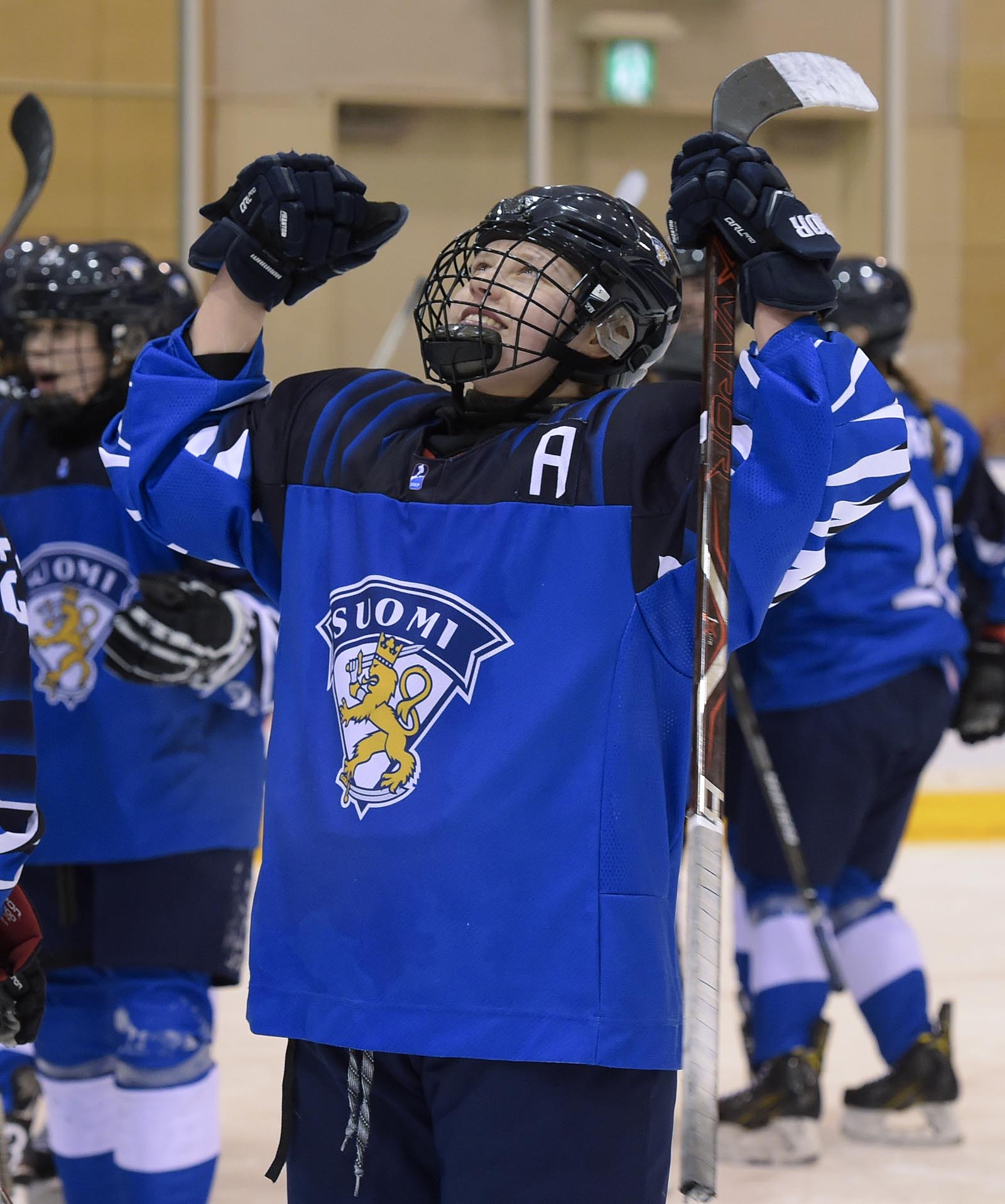 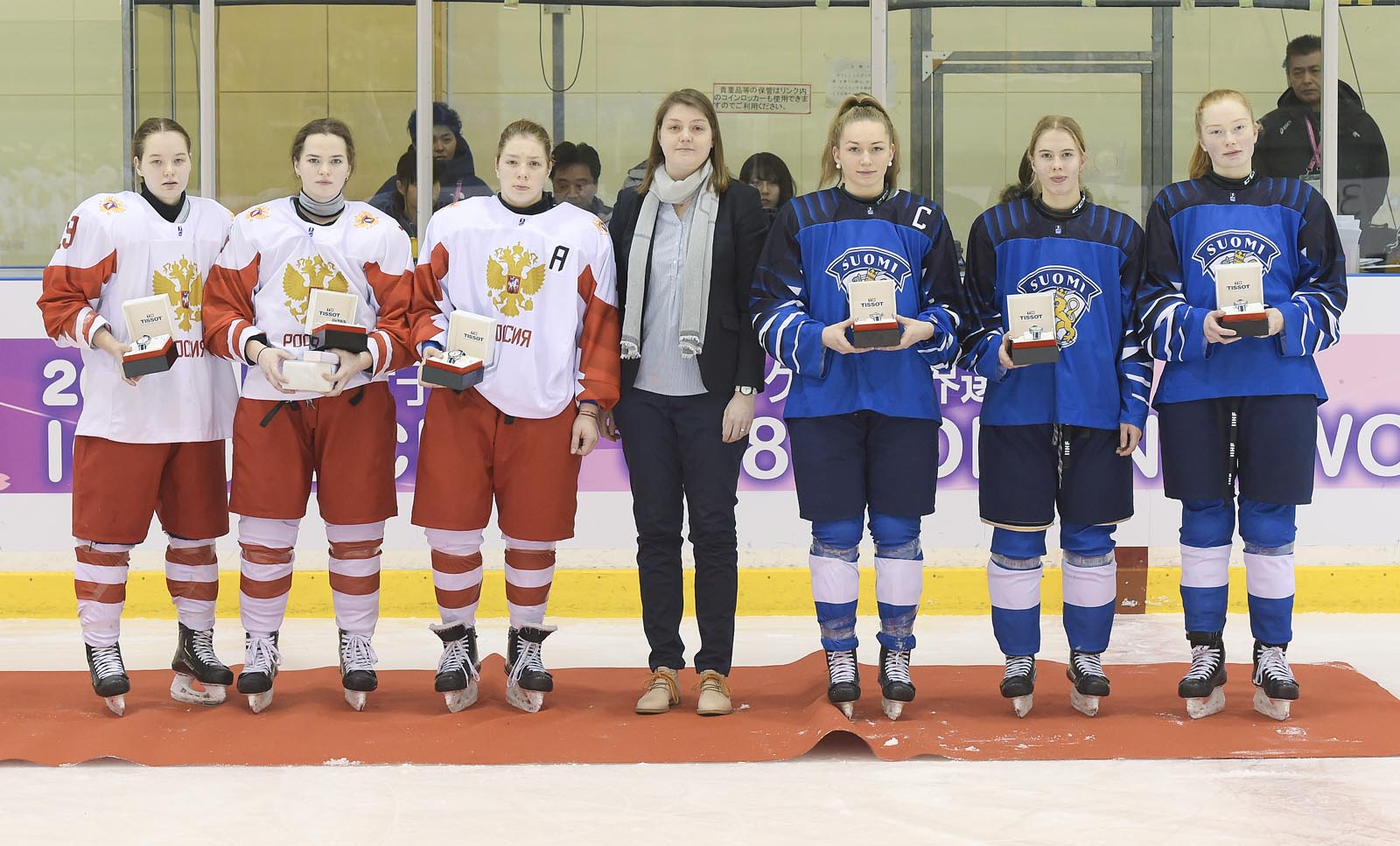 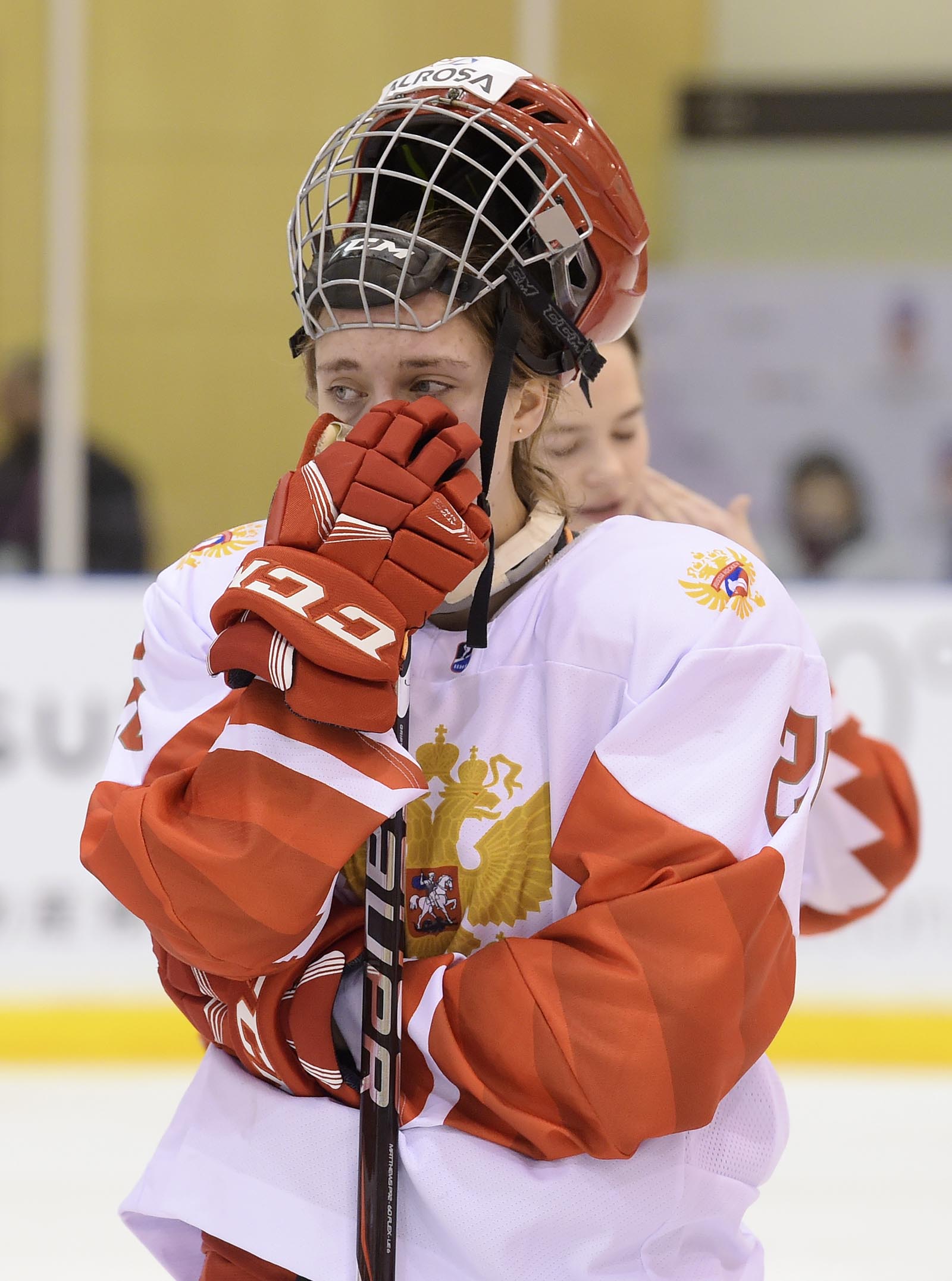 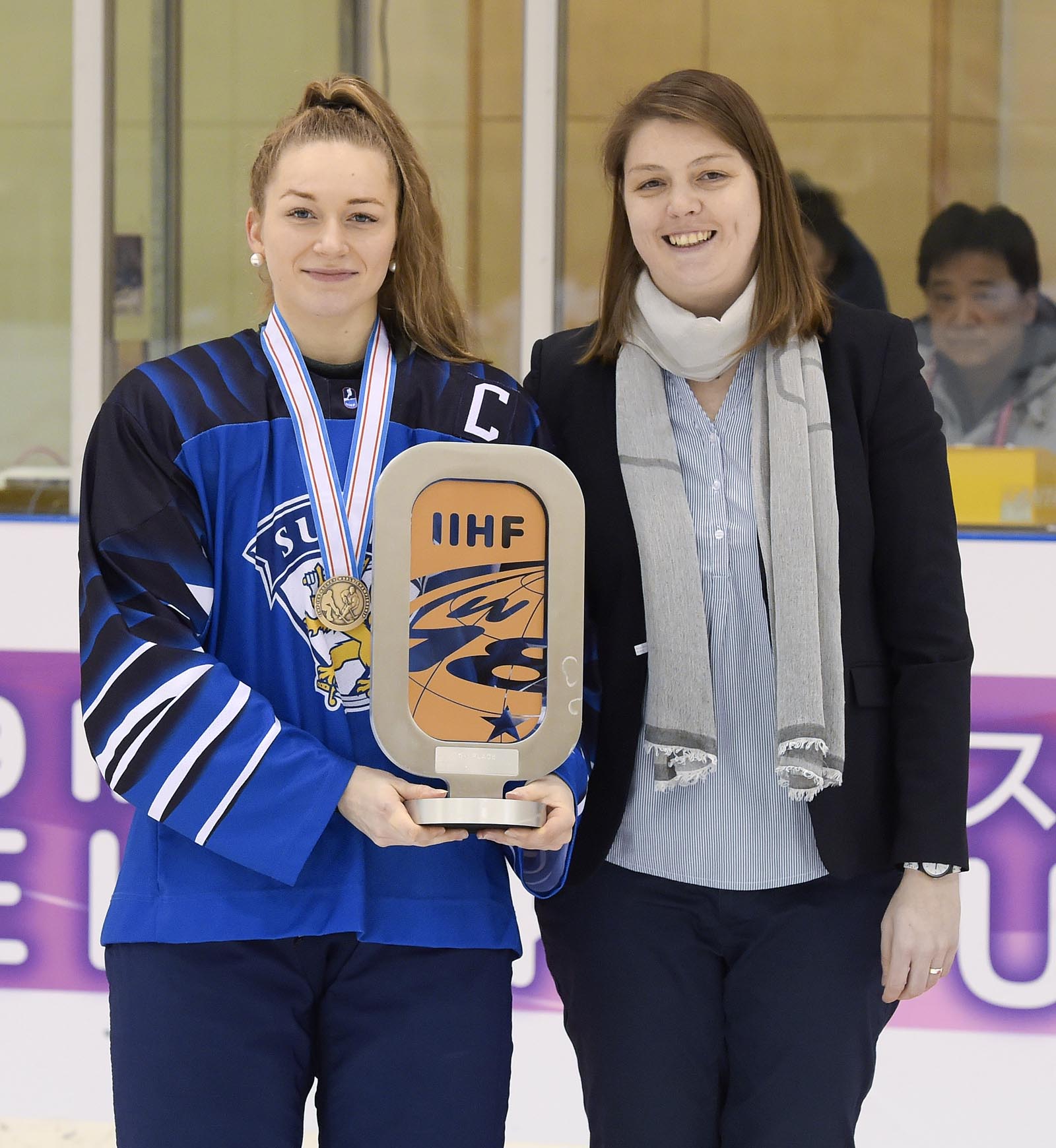 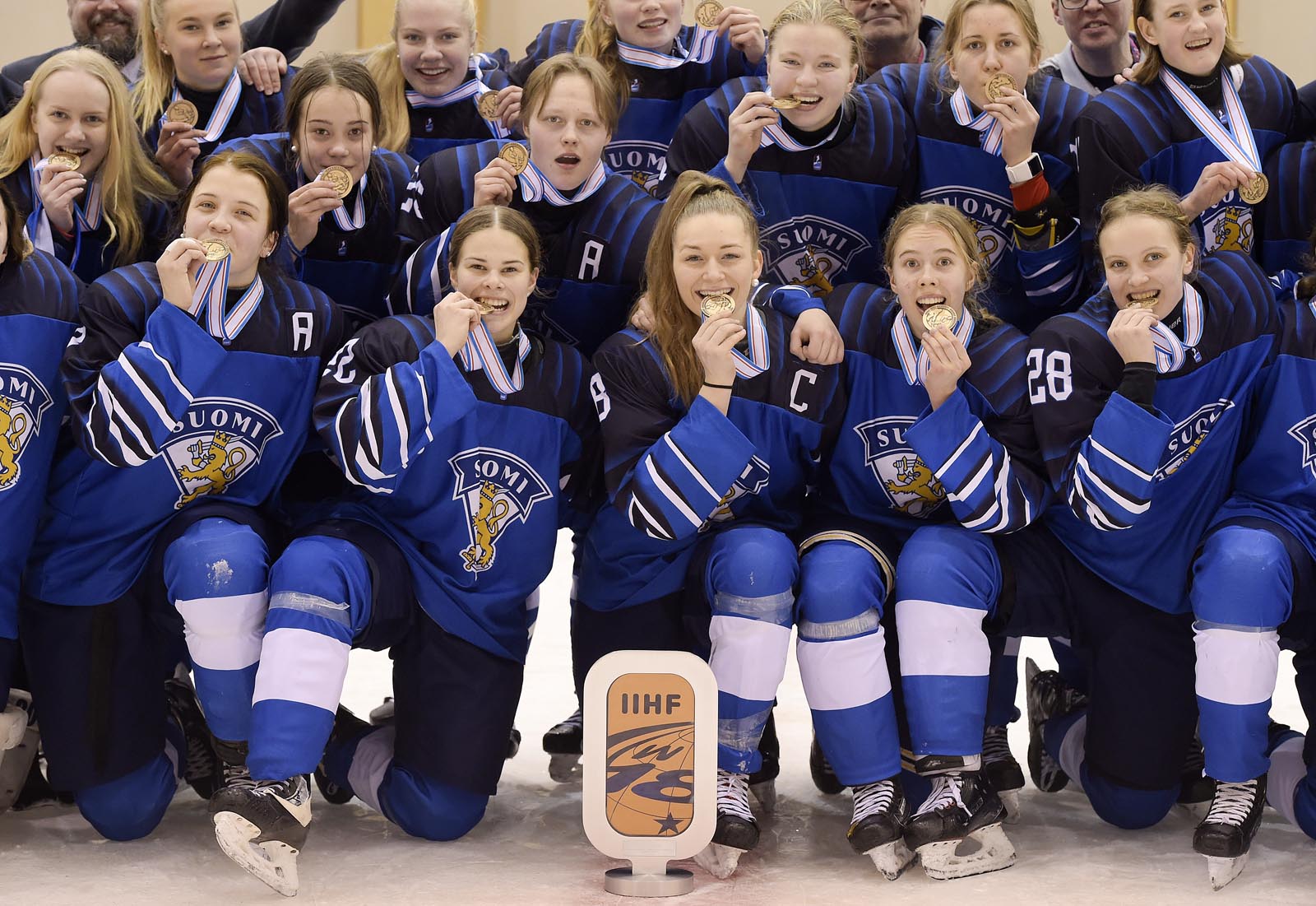 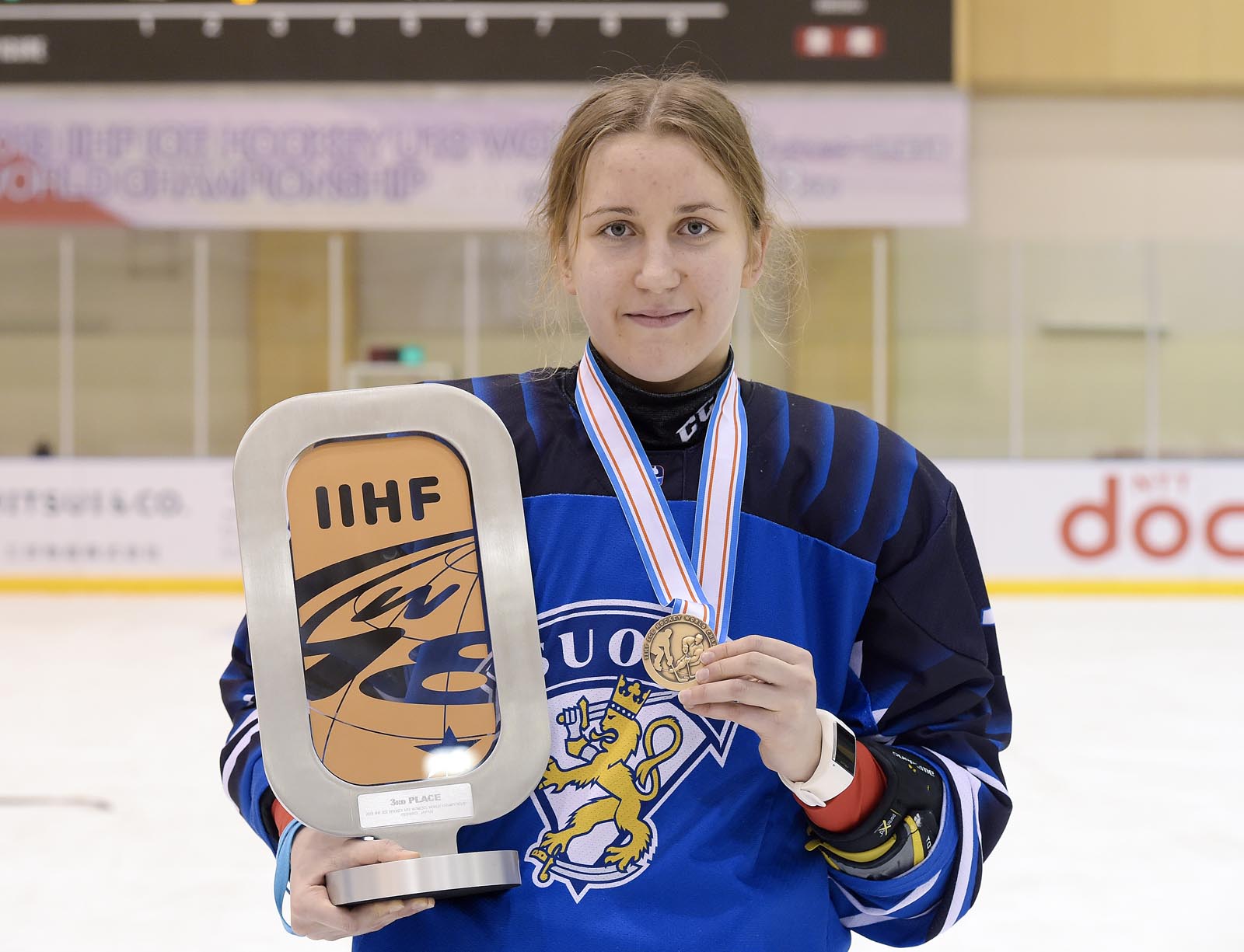 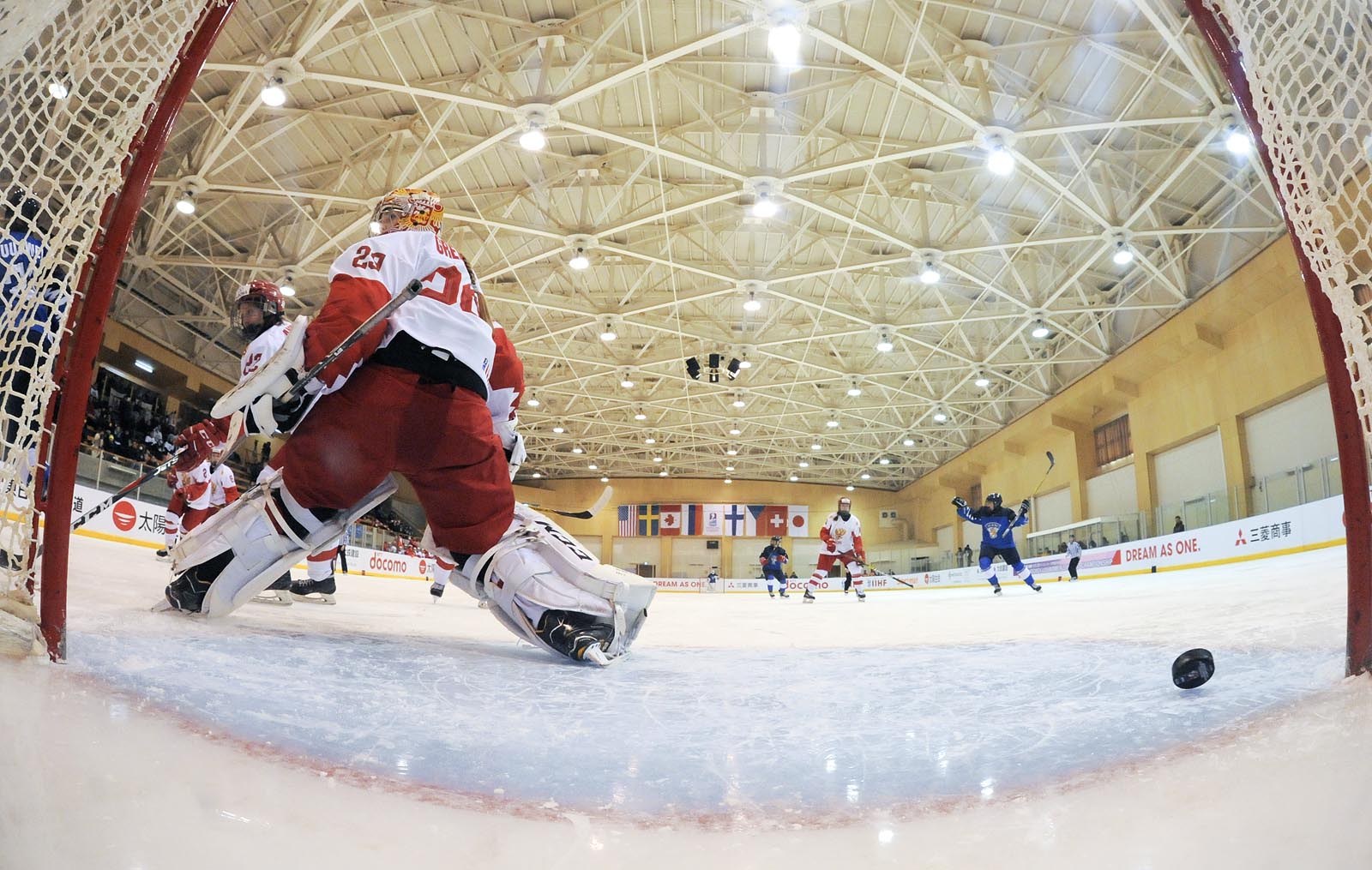 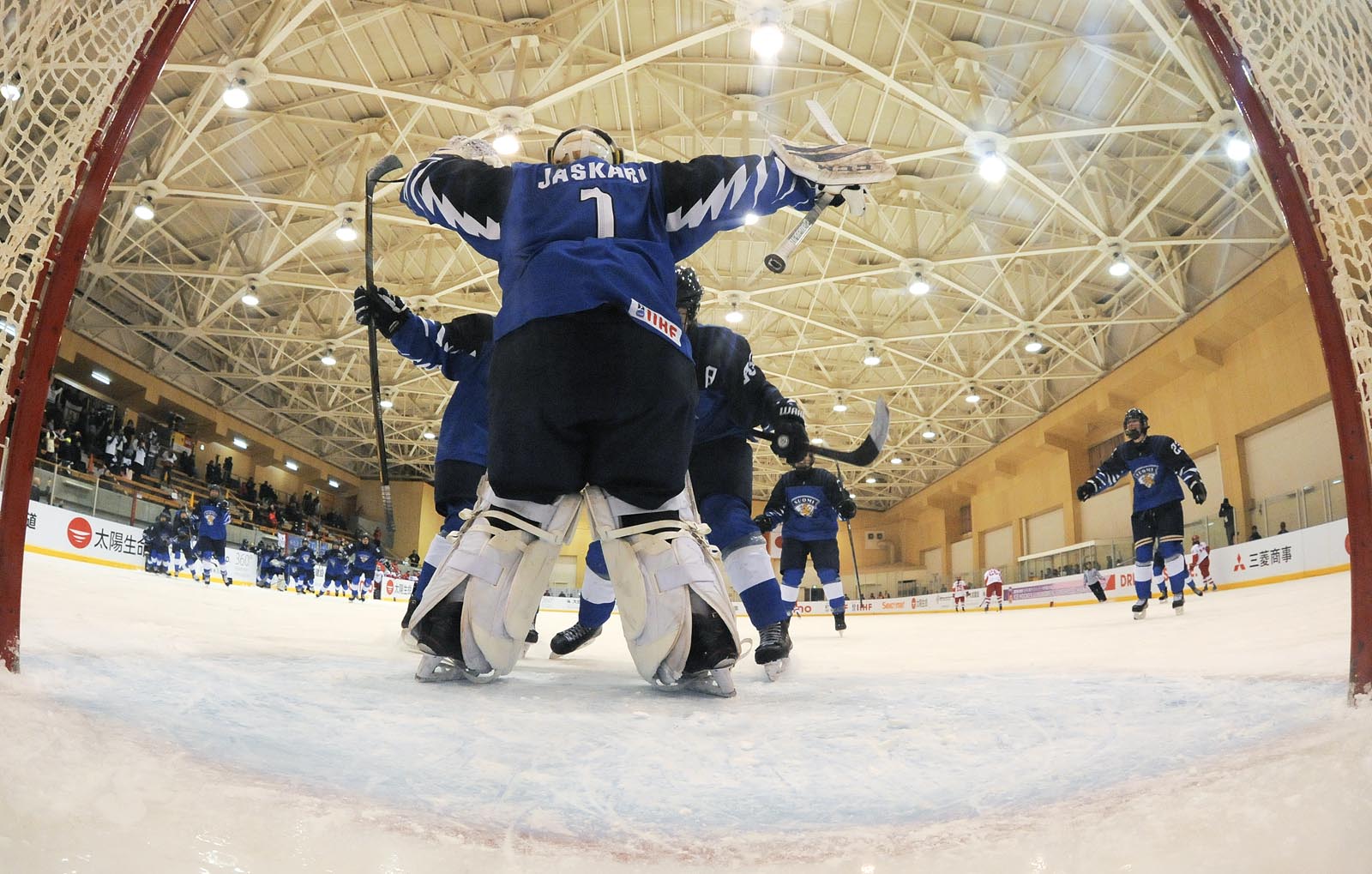 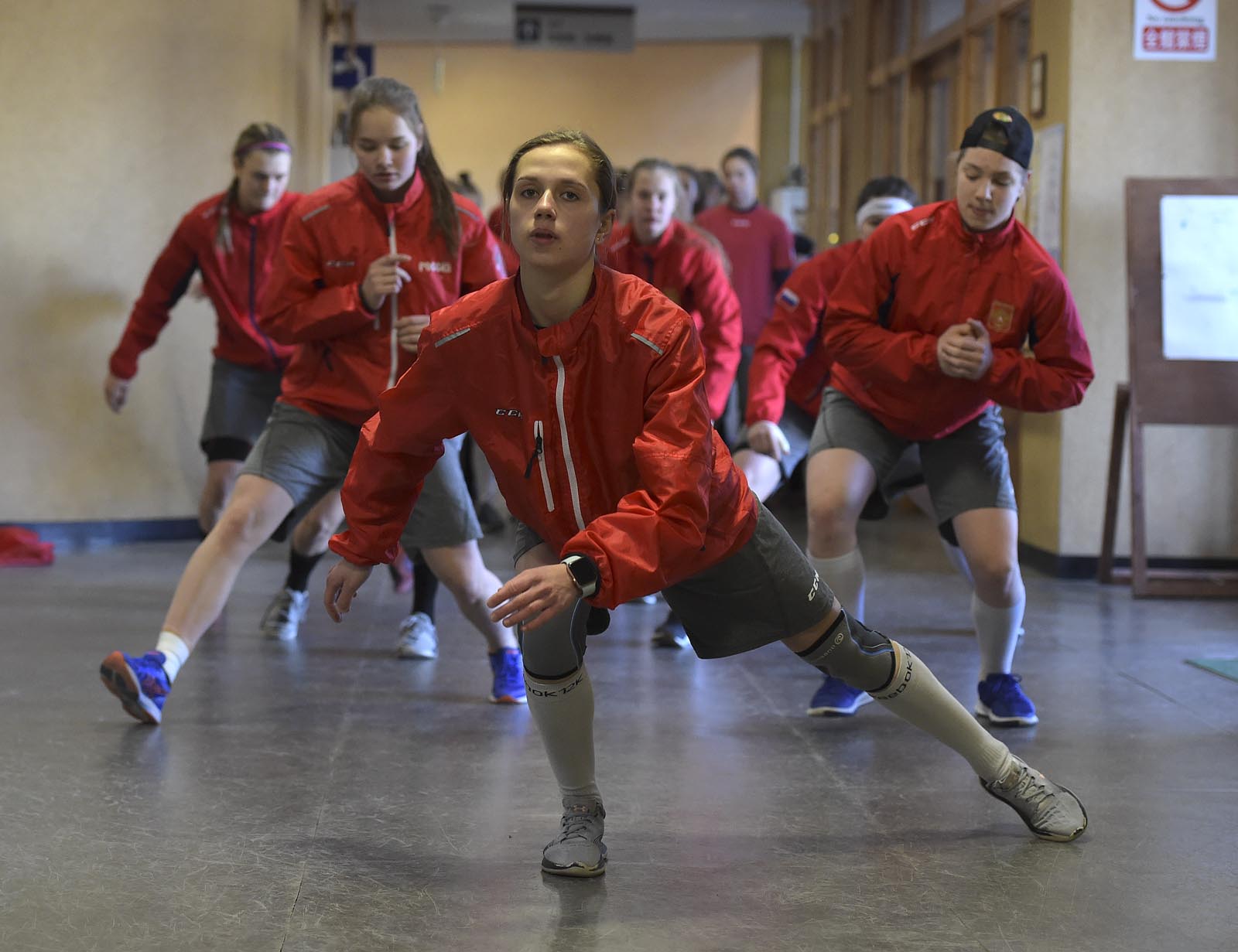 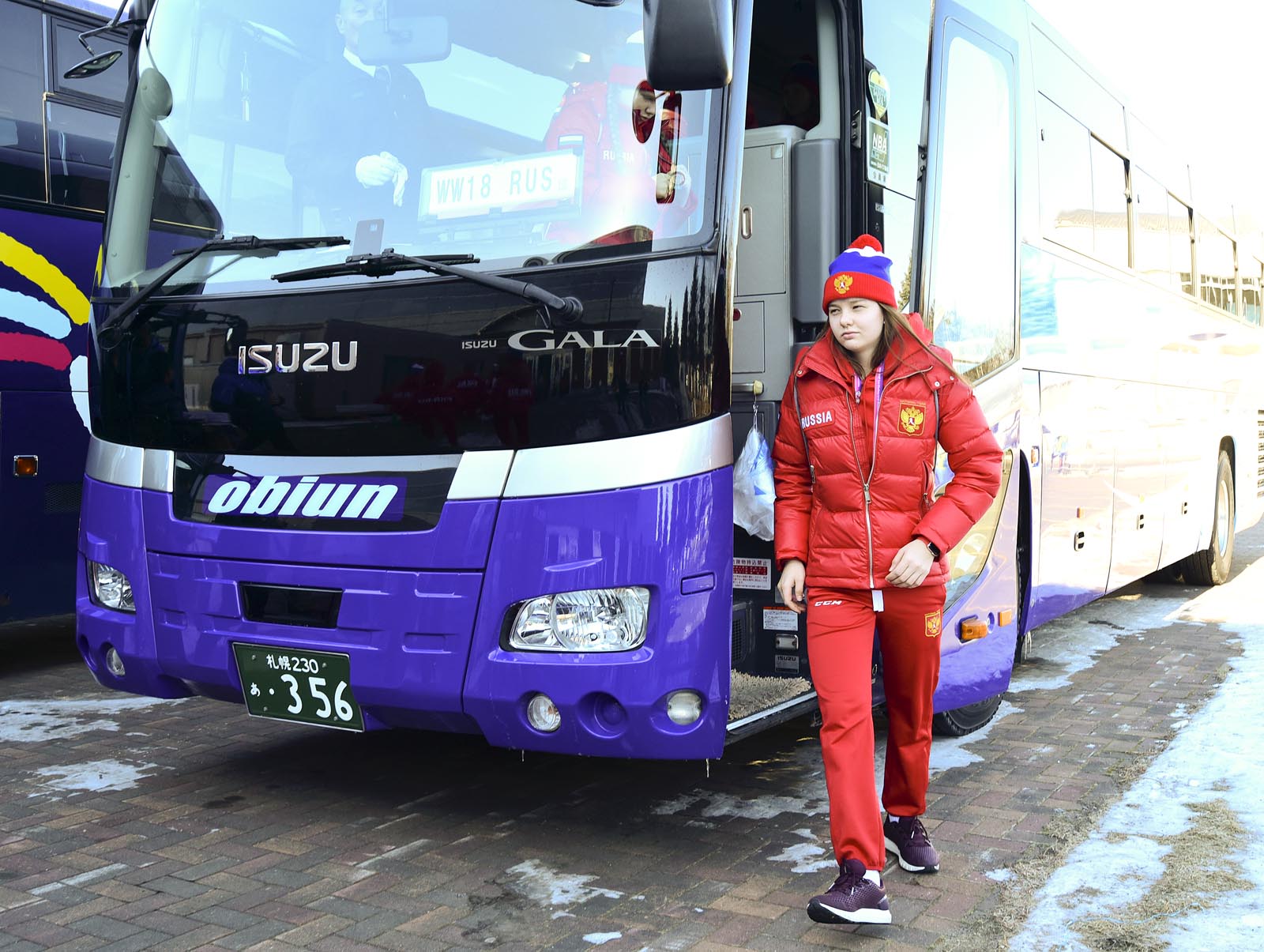