The red star shines bright
Crvena Zvezda Belgrade with a scoring chance in the game between the top-two teams of the tournament against host Zeytinburnu Istanbul.
photo: Istanbul Buyuksehir Belediyesi
share
Starting the new season where they left off last term, Crvena Zvezda Belgrade (“Red Star” in English) continued its winning ways sweeping the field to win Group A in the First Round of the 2019/2020 Continental Cup in Istanbul, Turkey.

The pre-tournament favourites from Serbia lived up to their billing as they steamed ahead to three straight wins at the Silivrikapi Ice Sport Hall. Iceland´s Skautafelag Akureyrar was downed 6-1 in their opener, followed by a 6-2 victory against hosts Zeytinburnu Istanbul. A place in the next round for Crvena Zvezda was then sealed courtesy of a solid 5-3 win against Bulgarian champion Irbis-Skate Sofia.

“We have a good team of four lines and everyone gave their very best. Our team is young with many of them getting their chance in this tournament. Their approach was very good, the intensity was ok, so now I hope we are going to get better,” said Crvena Zvezda head coach Jovica Rus.

A clean sweep in Istanbul means that the reigning Serbian champions now roll on to the second round of the Continental Cup. In Group C, hosts HC Donbass, Mogo Riga of Latvia and Romania´s Corona Brasov await in the round-robin tournament played between 18-20 October 2019. The tournament will be played in Brovary, a suburb of the Ukrainian capital of Kyiv.

“It will be a big experience for us and also a huge challenge. The opponents in the next round are professional, both in terms of their roster and organization, but we will hope for the best,” said Rus on Crvena Zvezda’s prospects ahead of their third consecutive year playing at the second round of the competition.

Despite only been out on the ice twice this season ahead of their arrival to Istanbul, Crvena Zvezda’s passage from the first round in was achieved without any major bumps along the way.

“With four fast lines and with everyone grinding, our opponents didn’t have an answer to our energy and power during the third period,” said Crvena Zvezda’s new signing Ivan Jankovic, who introduced himself to his teammates by scoring a hat-trick against Zeytinburnu Istanbul in his second outing for the club.
The Crvena Zvezda Belgrade players pose for a team photo after their win.
photo: Istanbul Buyuksehir Belediyesi
Heading into their final game in Istanbul, Crvena Zvezda knew at least one point was required from their neighbouring clash against Bulgaria’s Irbis-Skate Sofia to seal progress. Following a goalless first frame, Crvena Zvezda turned up with the heat as a free-scoring middle frame ensued.

The Serbs raised the tempo to race into a 2-0 lead with 2:08 played in the second period. Ugljesa Novakovic opened the scoring, before 21 seconds later Novakovic turned provider for Michal Daniel, who slotted the puck past Bulgarian national team netminder Dimitar Dimitrov.

The previous meeting between these two teams in the Continental Cup was played at the same stage of the competition in October 2017. Back then Irbis-Skate had for long held the upper hand before succumbing in overtime.

Two years on, it was Irbis-Skate, who clawed themselves came back into the game. They pulled one back as the tournament’s top scorer Stanislav Muhachev picked out Juraj Dusicka, who poached in front of Petar Stepanovic’s net at 3:07. Then the Bulgarians went level as Martin Nakov reacted quickest on a rebound at 5:50.

But the joy was to be short-lived as their parade towards the penalty box proved to be costly. Irbis-Skate’s Vasil Bachvarov was serving a hooking call when Marko Dragovic’s delightful cross-ice pass saw the Czech attacker Daniel score his second of the afternoon as his one-timer sneaked through Dmitrov’s pads at 27:26.

When Makar Perminov was serving a double minor for Irbis-Skate, Viacheslav Chegrintcev restored Crvena Zvezda’s two-goal cushion with 6:40 left of the second frame.

With the Bulgarians now starting to show clear signs of fatigue, the match tilted firmly into Crvena Zvezda´s favour in the third period. 18-year-old Dragovic stretched Crvena Zvezda’s lead to 5-2 at 2:31. Despite Tomislav Georgiev pulling one back with a fine solo effort with 4:24 left in regulation time, Crvena Zvezda was in full command of proceedings and offered Irbis-Skate little chance to pull netminder Dimitrov in their desperate hunt for goals.

“We didn’t play well, but it is our third game of the season,” said Crvena Zvezda’s Jankovic, who is now gearing up to try and bridge the gap from being undefeated in the first round to be competitive at the next round in Ukraine next month.

“I hope for better and cleaner hockey. We don’t expect first place, but we will try our best and after that, we’ll see,” said Jankovic.

Hosts Zeytinburnu Istanbul finished second in Group A in the first round of the 2019/2020 IIHF Continental Cup. Having upset Irbis-Skate in their opener before losing to Crvena Zvezda, the reigning Turkish champions got back to winning ways in an entertaining closing game against fourth-placed Skautafelag Akureyrar from Iceland.

Three consecutive goals by Ferhat Bakal, Oleksi Voytsekhivsky and Emrah Ozmen sealed the dramatic turnaround as Zeytinburnu rallied back in the final frame to down an all-Icelandic Skautafelag Akureyrar team including ten teenagers 4-3.
2020 IIHF Continental Cup Group A 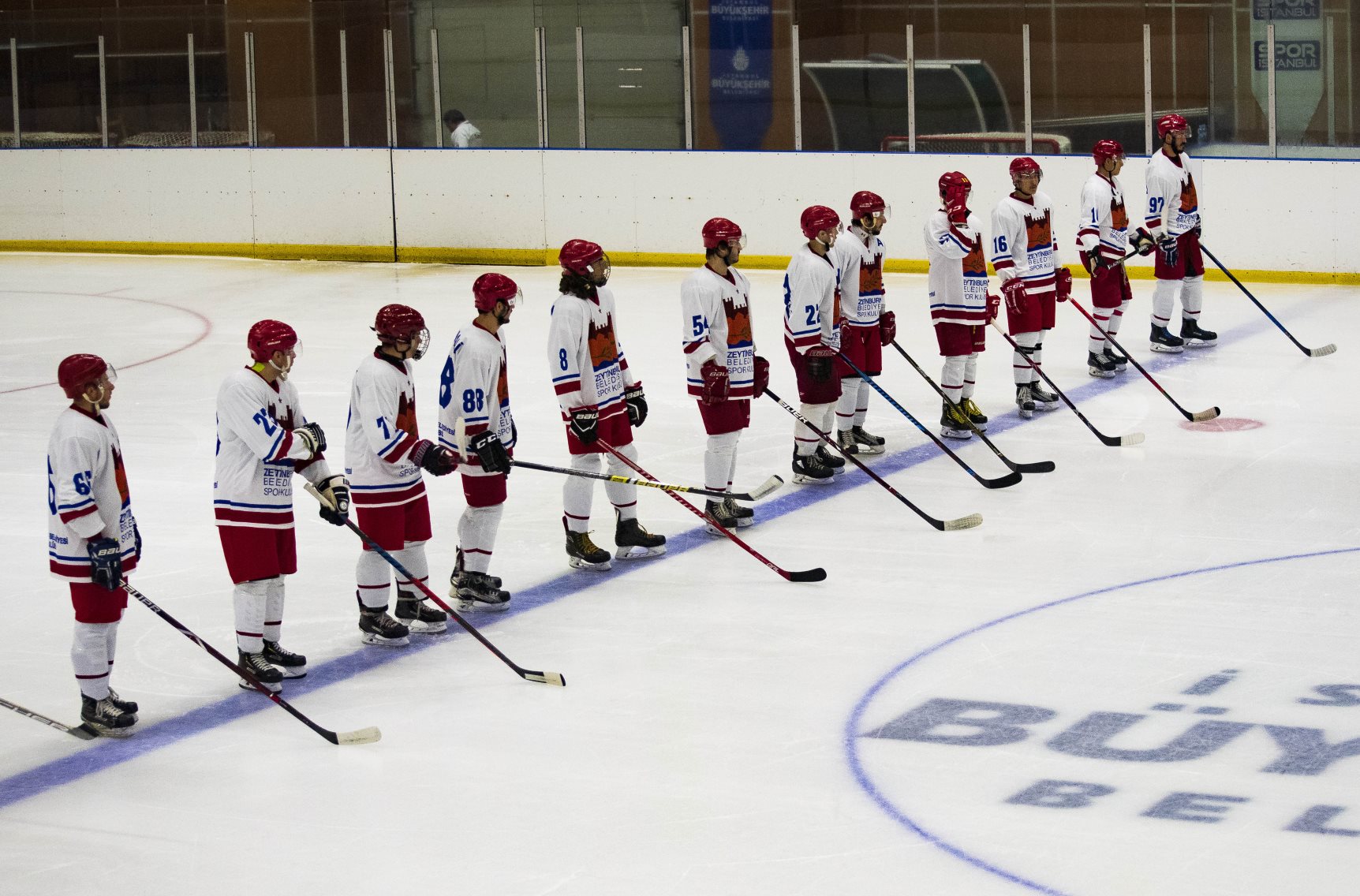 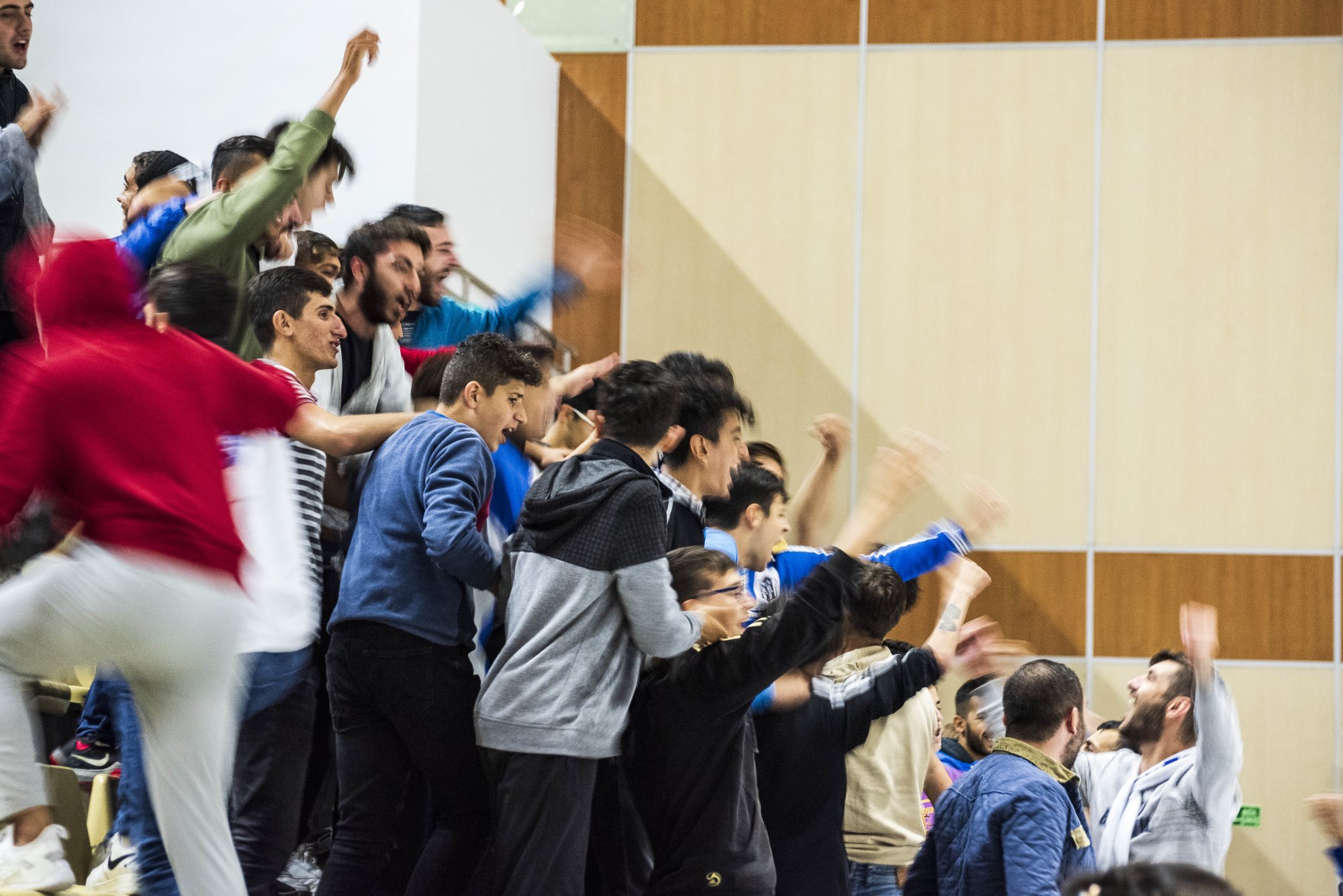 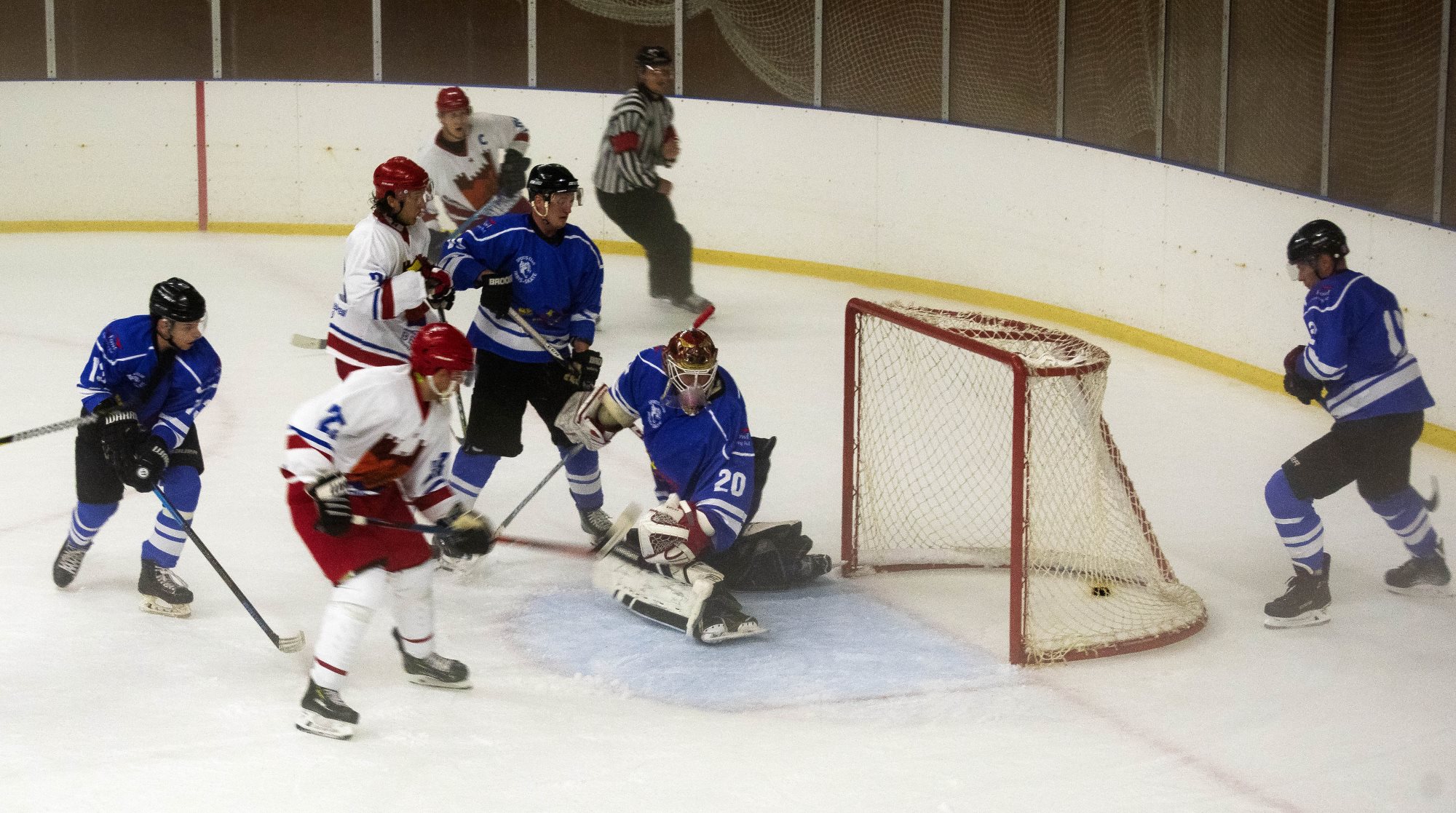 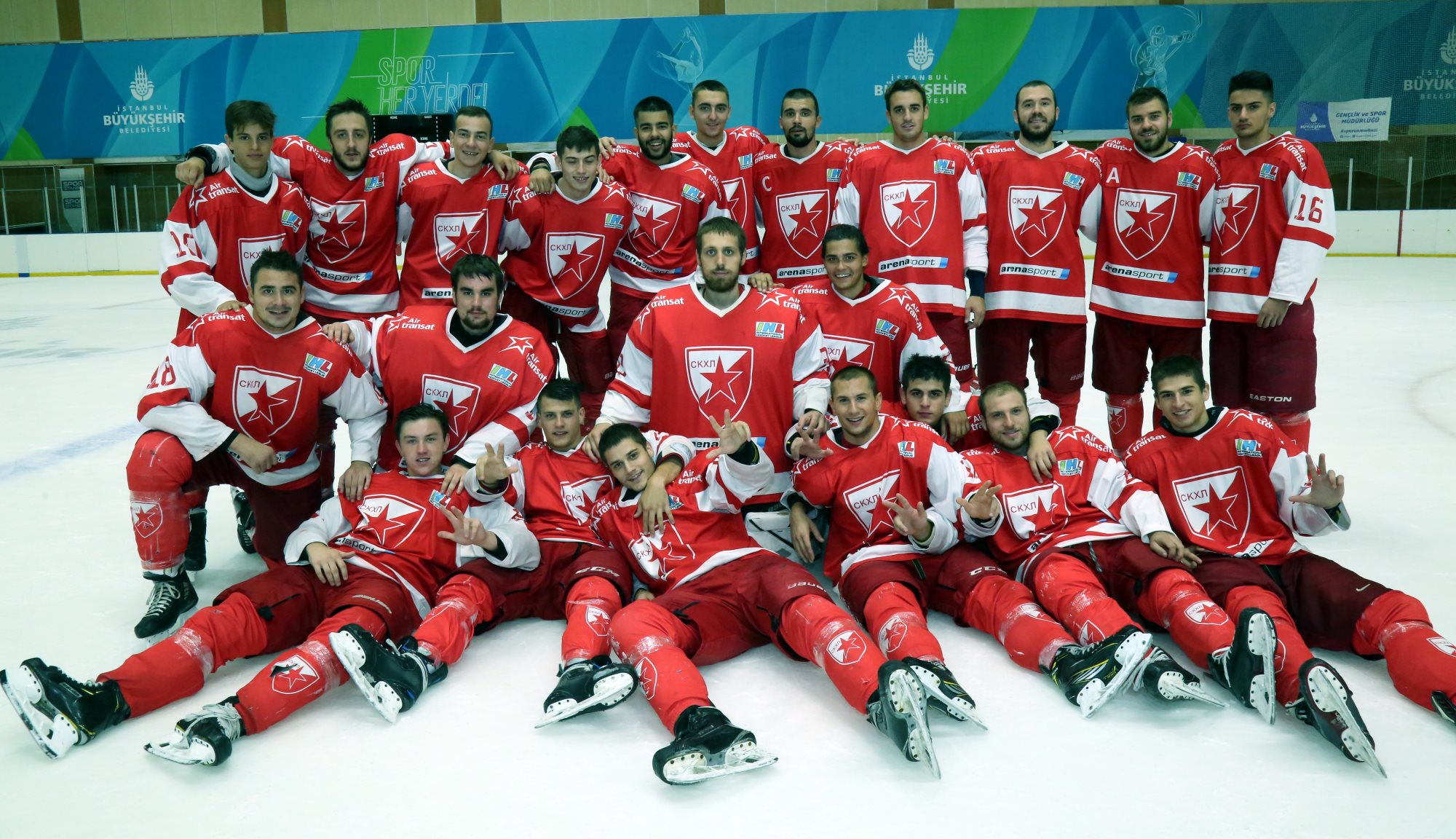 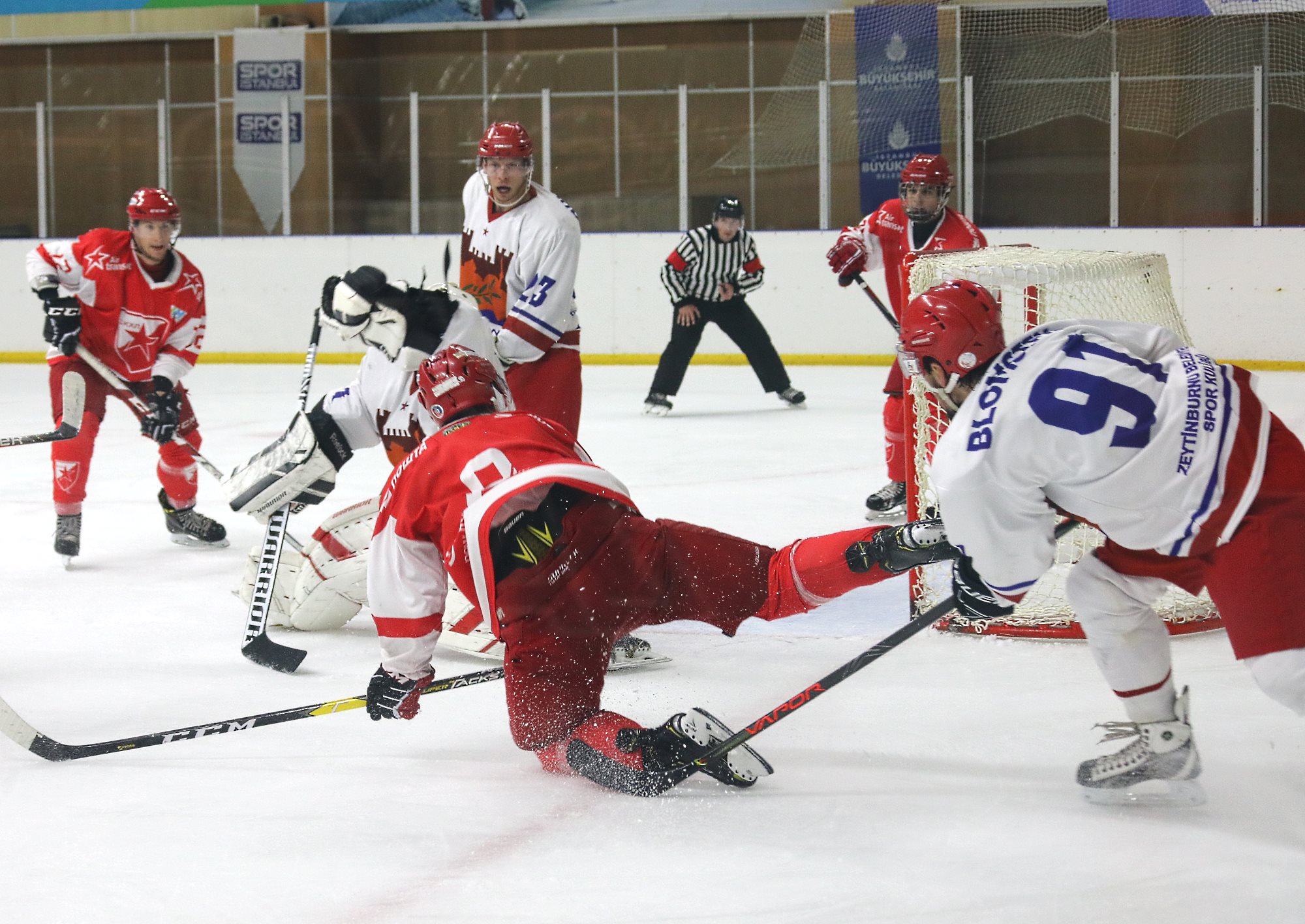 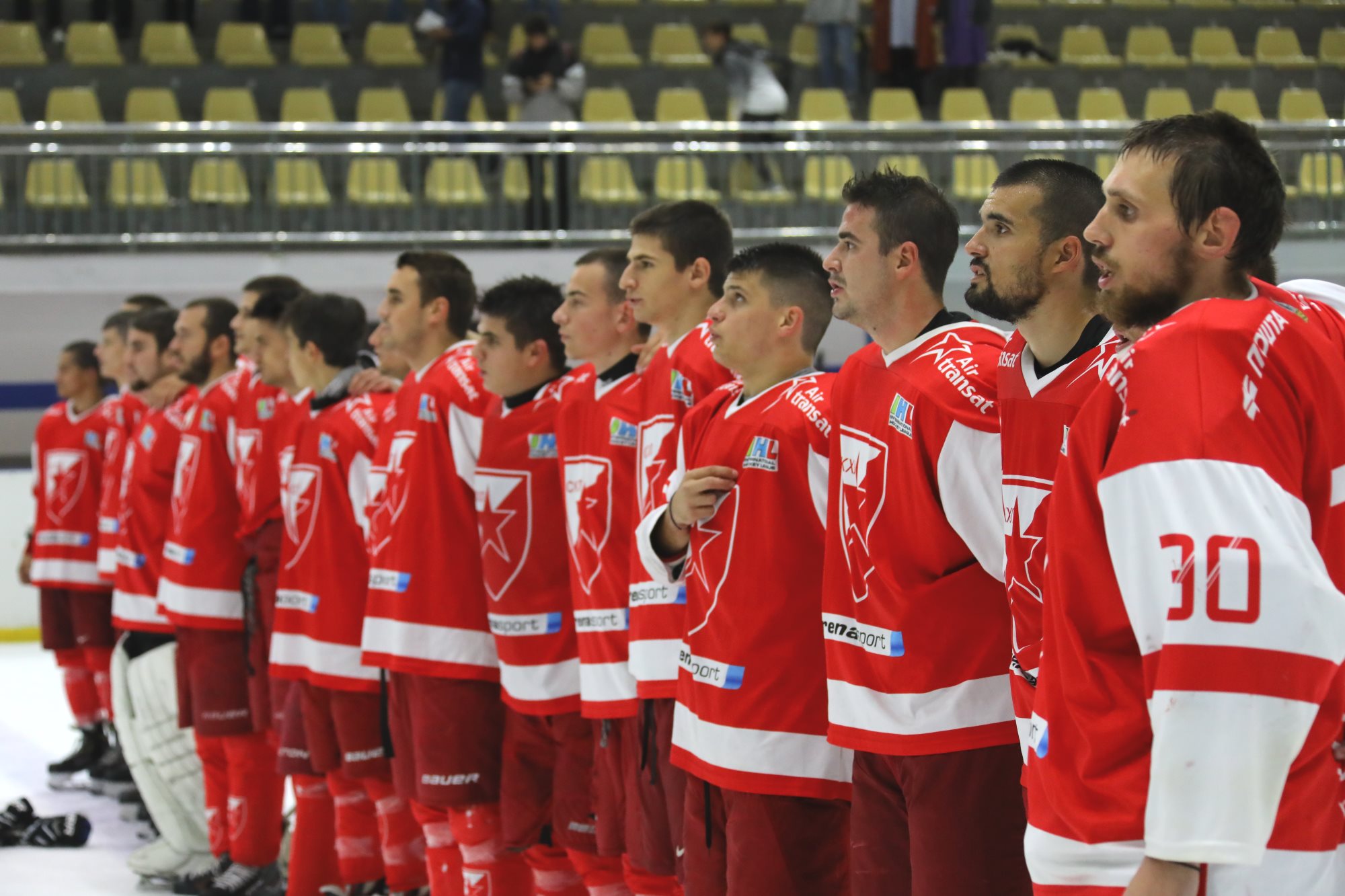