Alexander Holtz scored with five seconds left in overtime to give Sweden a 3-2 win over defending champion Finland. The result extends the Swedes' record-setting preliminary-round winning streak to 49 games.

On a power play with Finnish defender Lassi Thomson off for interference, Holtz, a World Junior rookie, zoomed in and put a high shot in off goalie Justus Annunen's glove.

"It feels incredible," Holtz said. "I got a great pass from Jonatan Berggren, so I just tried to pick the corner and it went in."

It was an entertaining, high-tempo game in front of 4,471 fans at Trinec's Werk Arena. In regulation, Patrik Puistola and Kristian Tanus chipped in a goal and an assist apiece for Finland. Nils Hoglander and Samuel Fagemo did the same for Sweden.

"We were a little bit nervous," said Finnish coach Raimo Helminen, who played in six Olympics. "That's why our game was too much up and down. Some moments, we were pretty good, but other moments were not that good. We probably made too many easy mistakes. These guys are young and they try hard. That kind of thing happens."

If the script unfolds as expected, this result will give Swedish coach Tomas Monten's team top spot in Group A. However, as the Swedes can attest after losing 2-0 to Switzerland in last year’s quarter-finals, the World Juniors are anything but predictable.

The Finns have won gold three of the last six years (2014, 2016, 2019). Incredibly, considering their wellspring of talent, the Swedes are looking for just their third title in World Junior history. They previously won in 1981 and 2012.

Sweden's last group stage loss was 3-2 in overtime to the U.S. in Leksand on 31 December 2006. However, Fagemo downplayed the streak: "It doesn't mean anything. We're just taking each game one at a time. Just playing hockey, you know?"

Asked if this loss was an important early wake-up call for his team, Helminen said: "Exactly. That's what it is."

The Thursday night opener for these teams was a duel between former star U18 goalies making their World Junior debuts. Annunen, who backstopped Finland to the 2018 U18 world title in Chelyabinsk, Russia, dazzled with 45 saves. Sweden’s Hugo Alnefelt, who won home-ice U18 gold in Ornskoldsvik back in April, made 23 saves.

Fagemo acknowledged Annunen's prowess: "He was great. He's a big goalie and he took away a lot of scoring chances."

Annunen foiled Rasmus Sandin on a breakaway near the two-minute mark. The Finns got an early two-man advantage for 1:37, and it was Alnefelt’s turn to shine as the Finns peppered him with rubber from all angles.

The rink then tilted in the Juniorkronorna’s favour, who would outshoot Finland 15-8 in the first period.

Thirteen minutes in, Alnefelt stared down Antti Saarela on a Finnish breakaway. He stoned Anttoni Honka from the left faceoff circle on a power play chance, but couldn’t prevent Honka from feeding the puck seconds later to Puistola, who converted next to the crease at 16:21. It was the first World Junior goal for the 2019 third-round pick of the Carolina Hurricanes.

Just 1:05 into the second period, Hoglander tied it up in spectacular fashion. As he did in the SHL versus Djurgarden on October 29, the Rogle BK winger pulled off a lacrosse-style goal that caught Annunen by surprise.

Holtz, who plays for Djurgarden, joked: "This time I was on the same team, so it's more fun that way!"

If Hoglander, a 2019 second-round pick of the Vancouver Canucks, makes the NHL, Carolina's Andrei Svechnikov will have some competition. The 19-year-old Russian is currently the only player ever to score lacrosse-style in the NHL, and he's done it twice this season. In IIHF competition, the most famous use of this move remains Mikael Granlund's goal in Finland's 3-0 semi-final win over Russia at the 2011 Worlds in Bratislava.

Tanus put Finland up 2-1 at 13:35 when he charged to the net and put a Puistola rebound past Alnefelt. The diminutive, feisty Tanus won U18 gold in 2018.

Near the midway point of the third period, returning Finnish veteran Rasmus Kupari was shaken up in the neutral zone on a Philip Broberg hip check and had to be helped off the ice. Moments later, Annunen foiled Holtz, who is just 17, on a clean break.

"I think we had so many chances today, so it would be good to score a couple more goals," Holtz said.

An onrushing Fagemo knotted the score on his own rebound with 5:09 left in the third after Annunen failed to whack the puck away.

The two Nordic rivals also kicked off the 2019 World Juniors against each other in Victoria. Sweden won 2-1 on a pair of goals from captain Erik Brannstrom, now an Ottawa Senators rookie. The Swedes haven’t lost to Finland since dropping a 2-1 decision in the 2016 semi-finals in Helsinki.

Both sides now get a day off. On Saturday, Finland takes on Slovakia and Sweden faces Switzerland.

"We need to get our game back to normal, more solid and simple and clear," said Helminen. "Today we did many things we didn't want to do. " 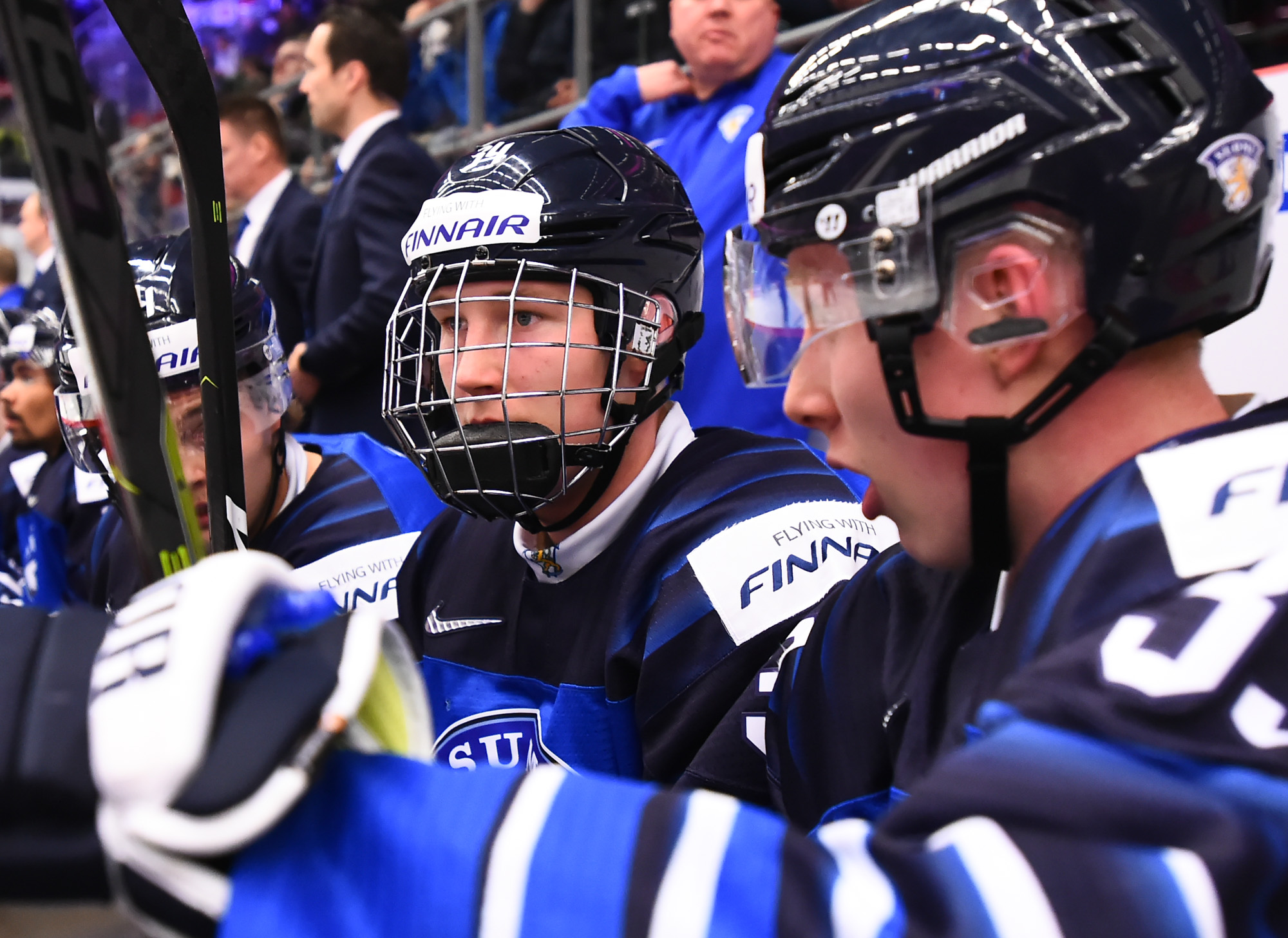 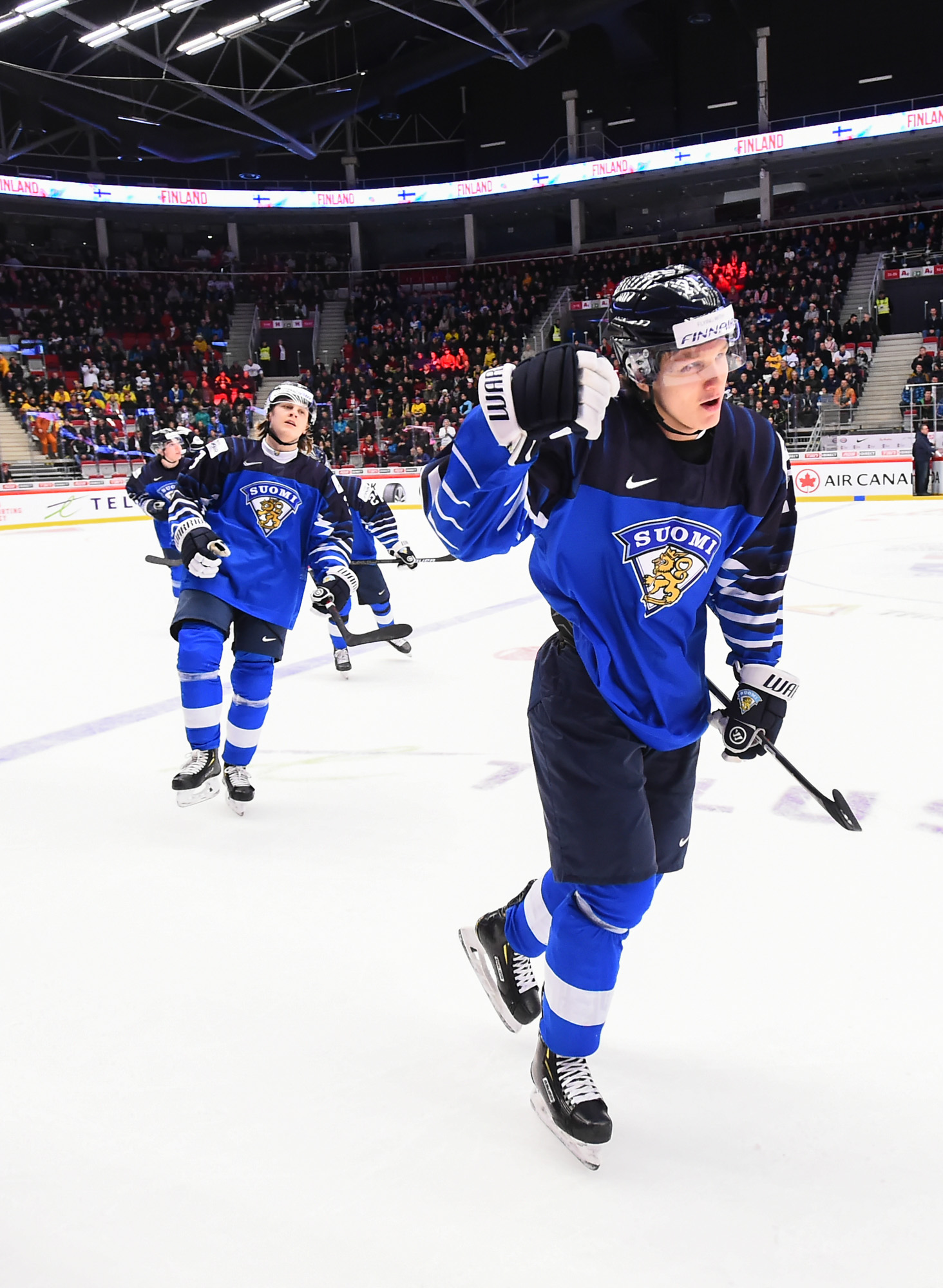 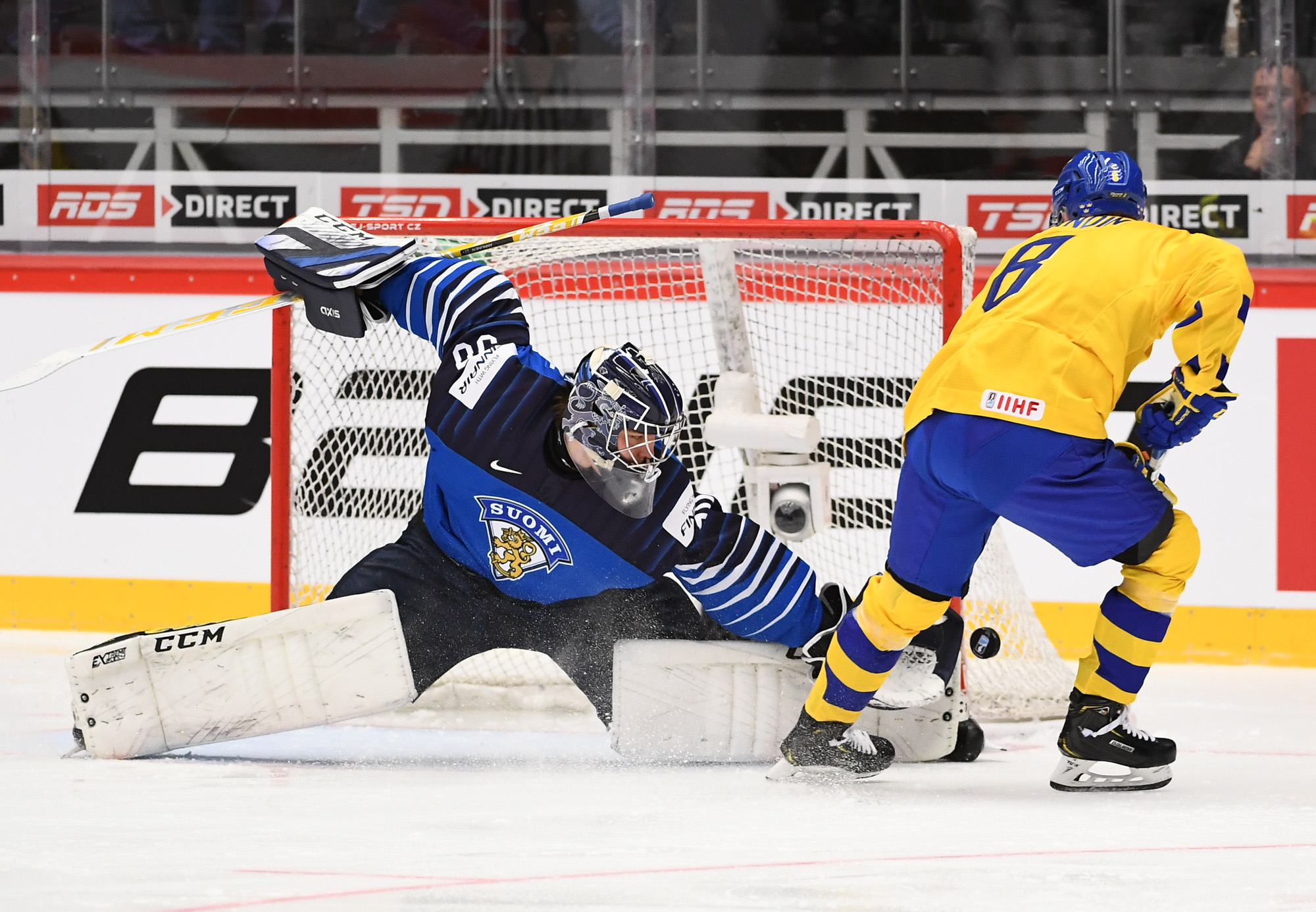 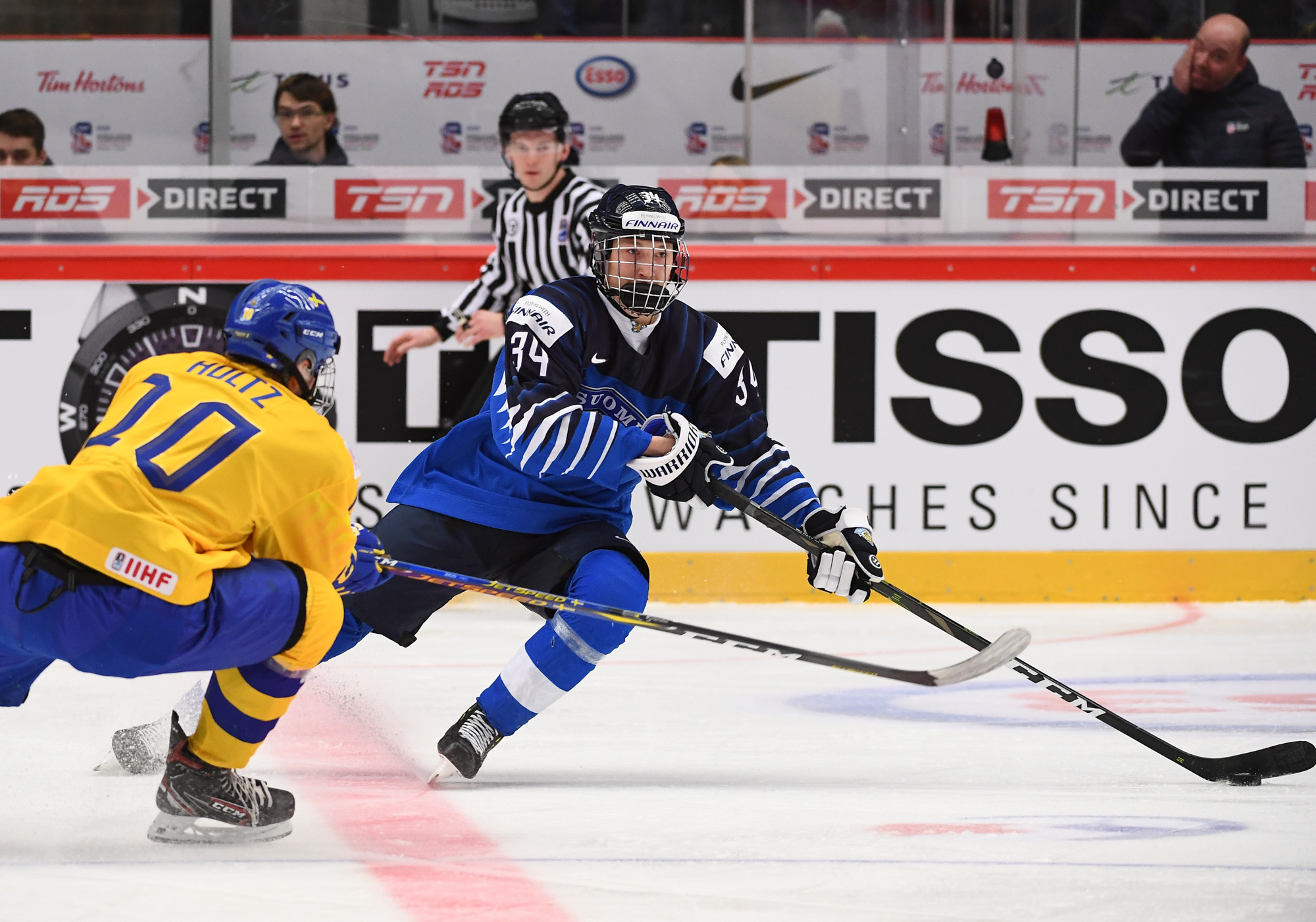 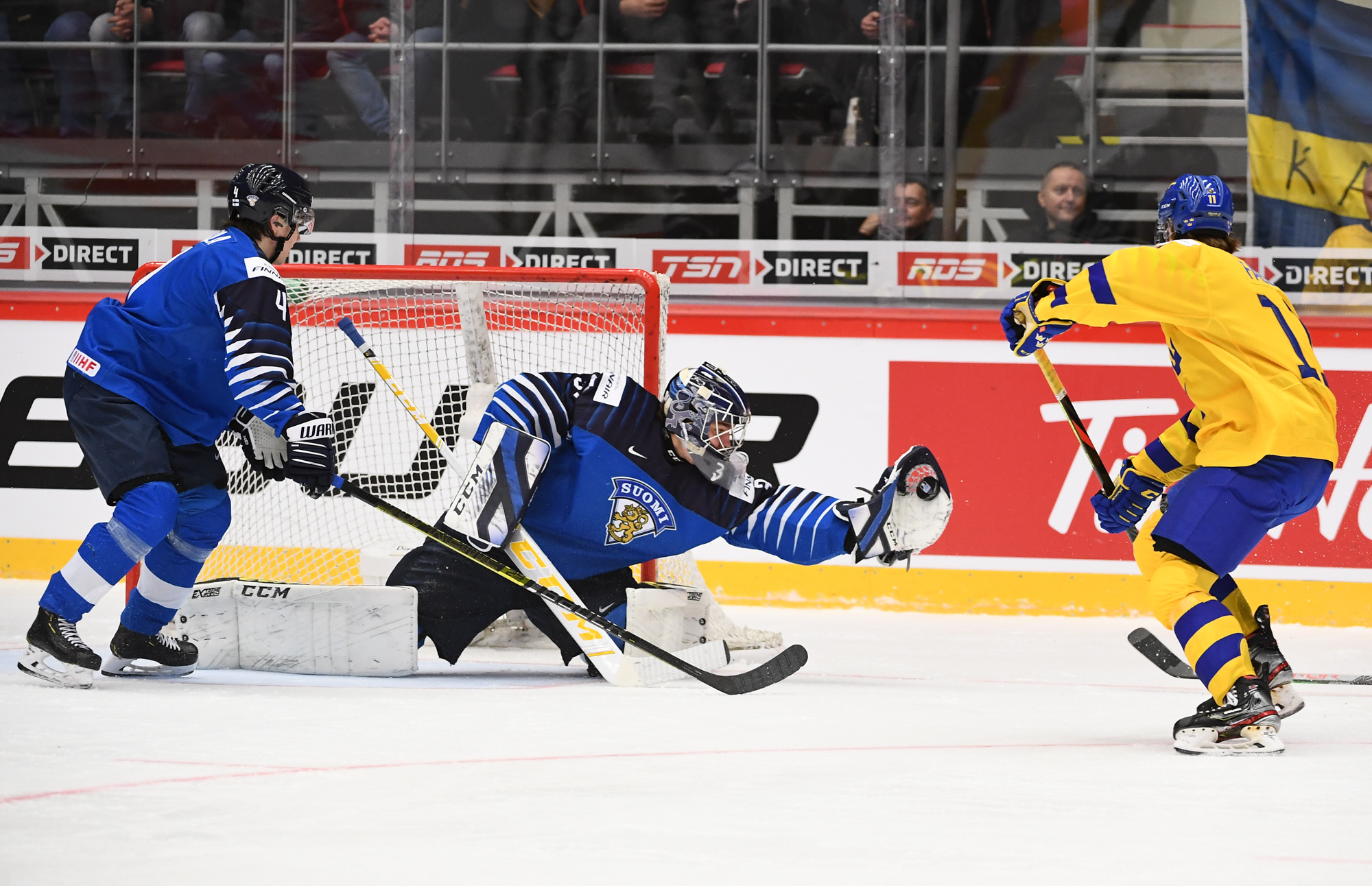 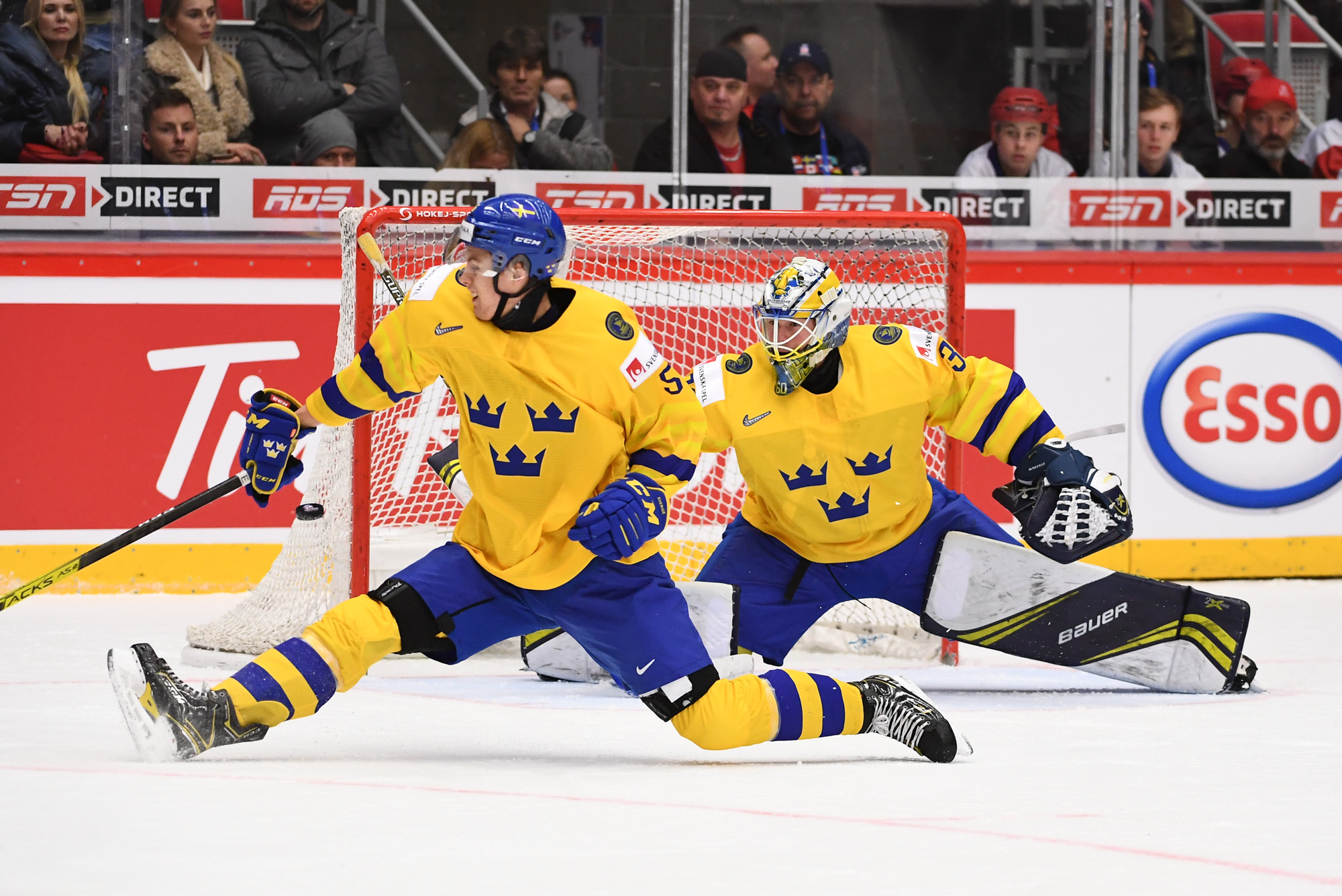 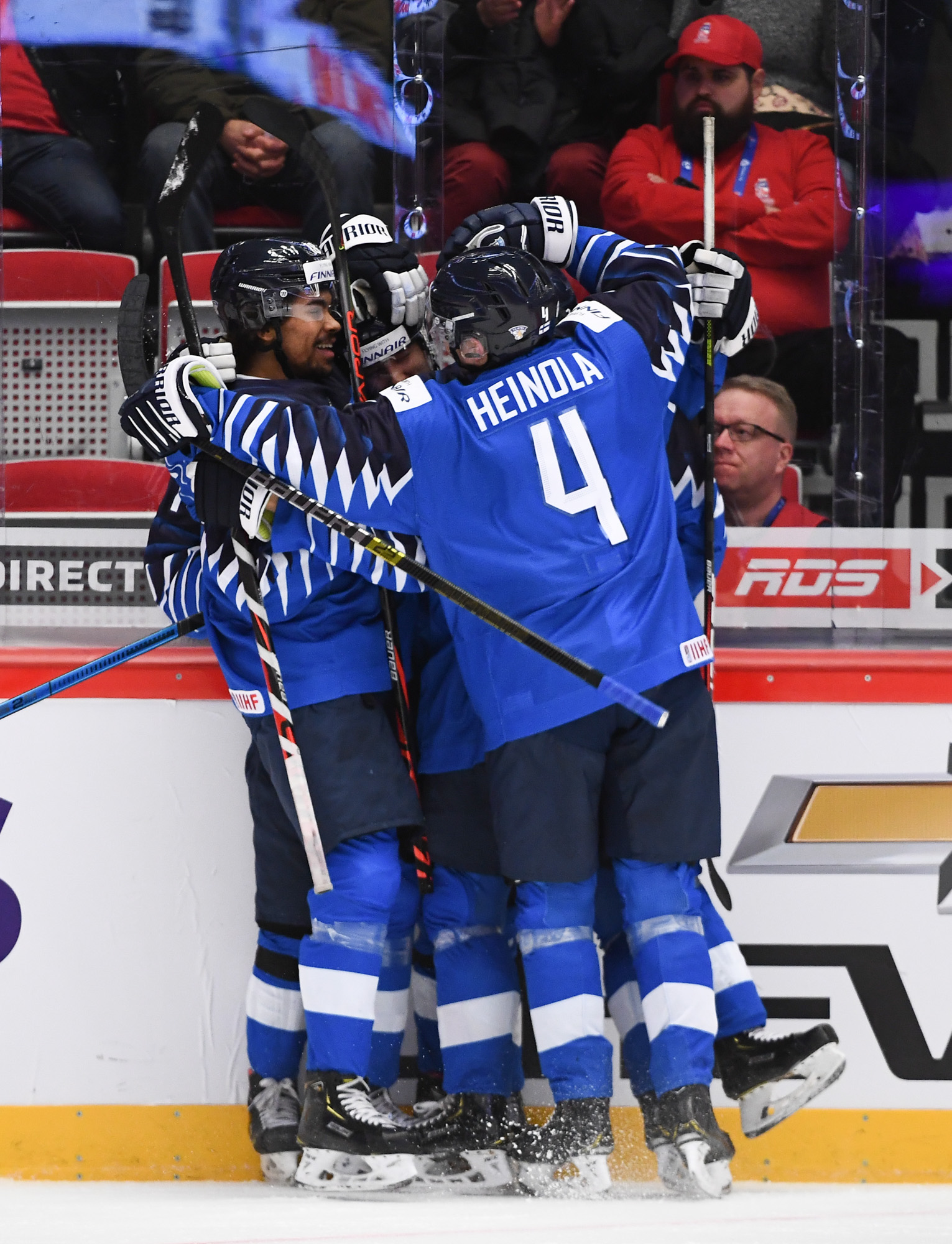 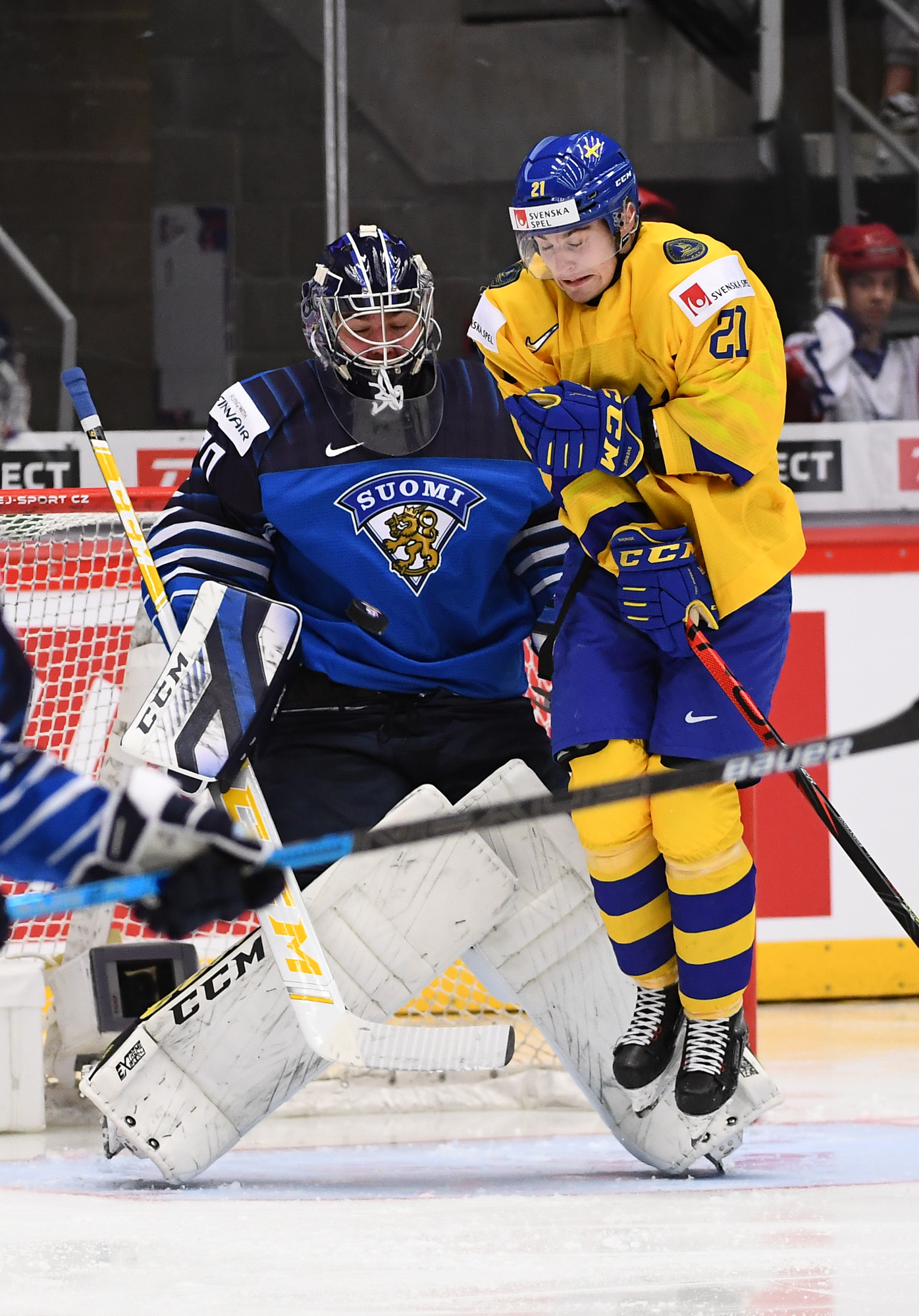 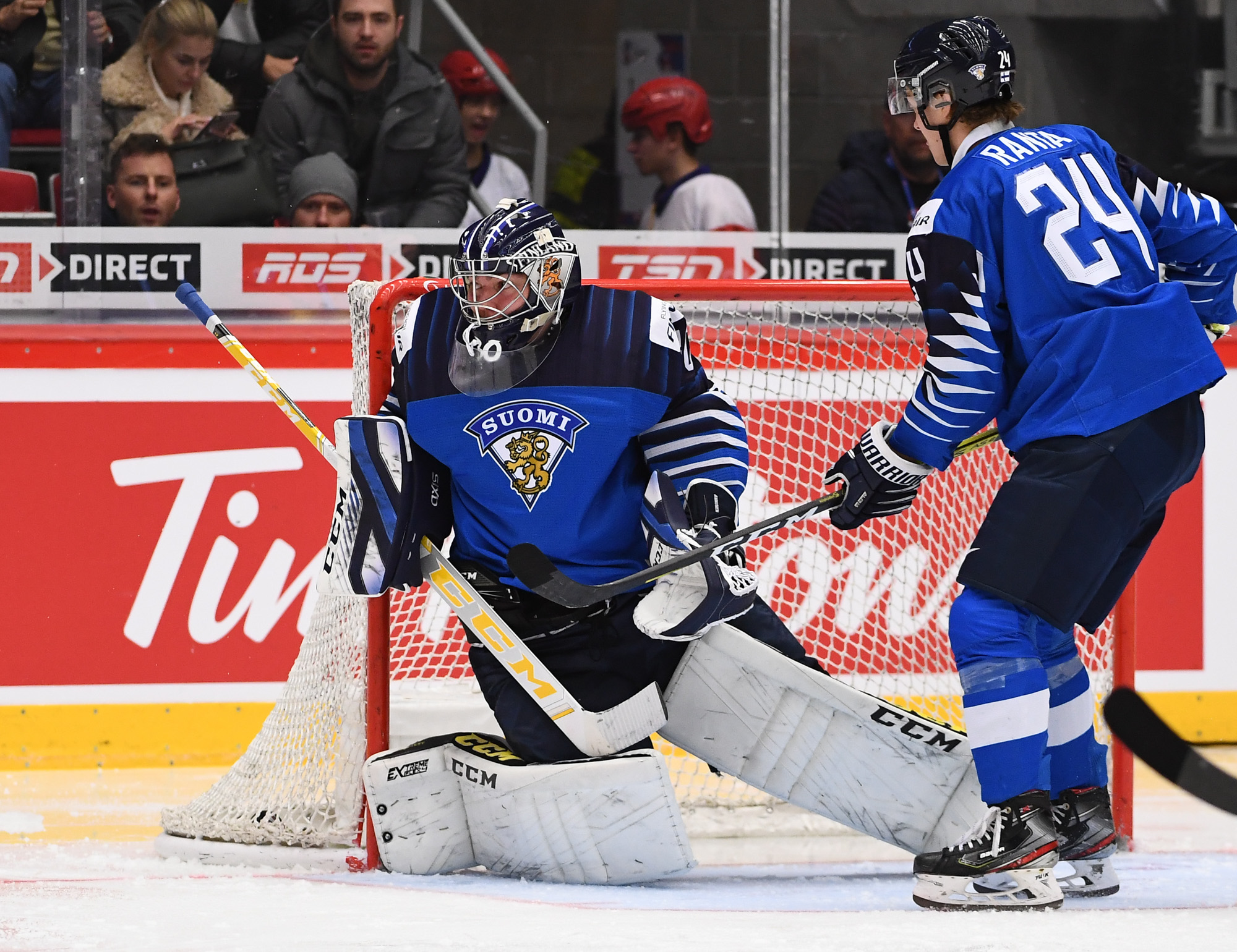 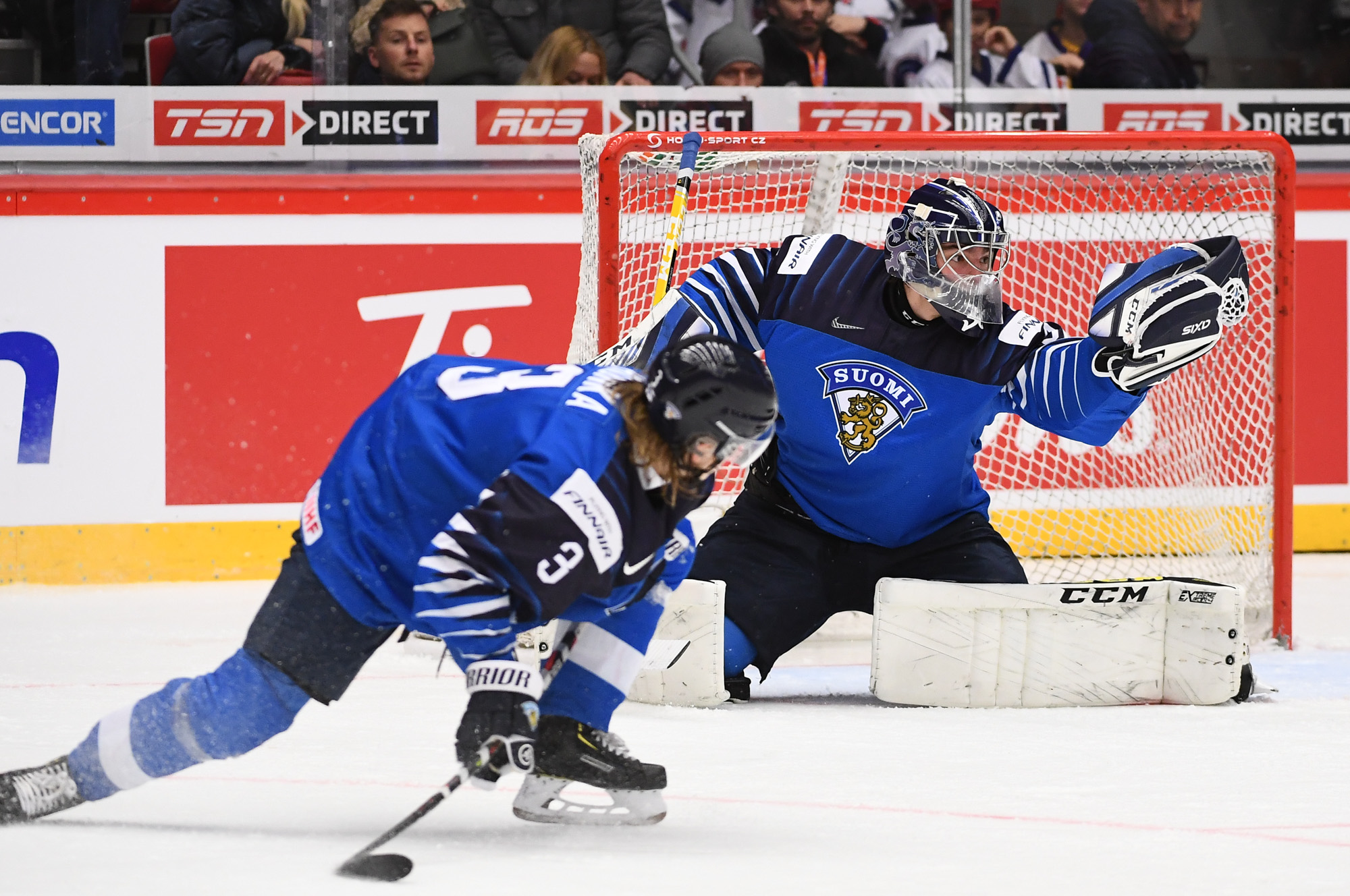 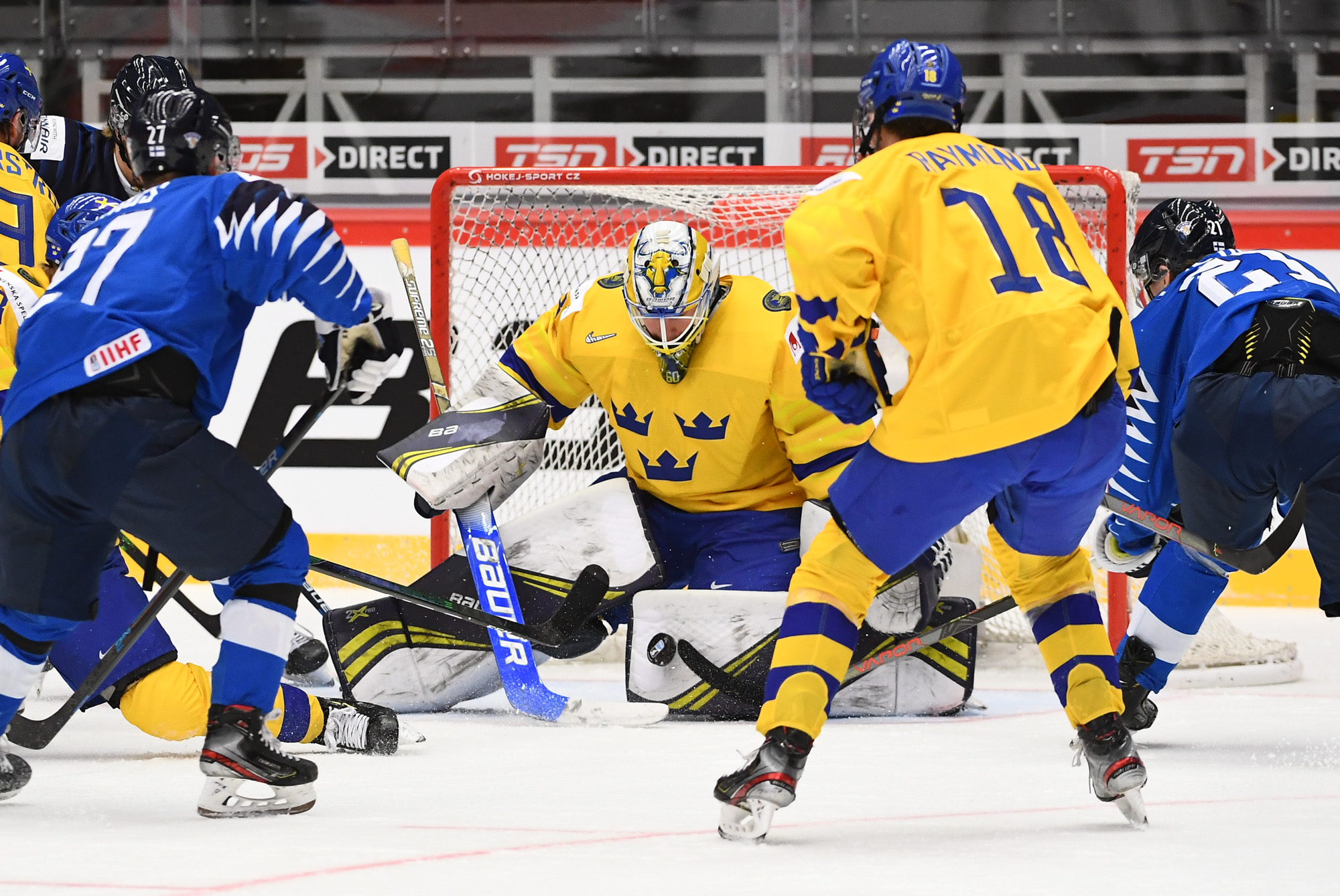 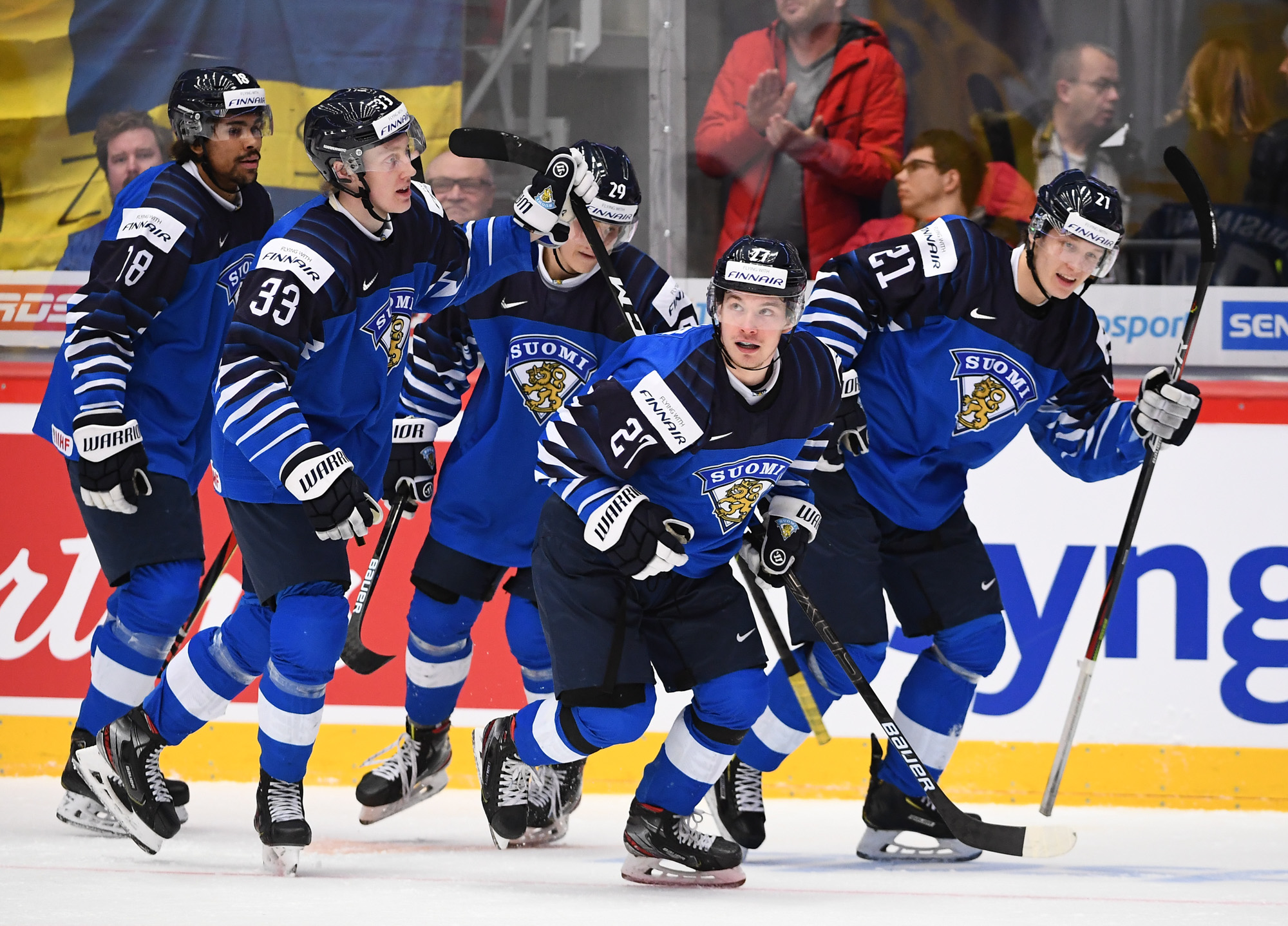 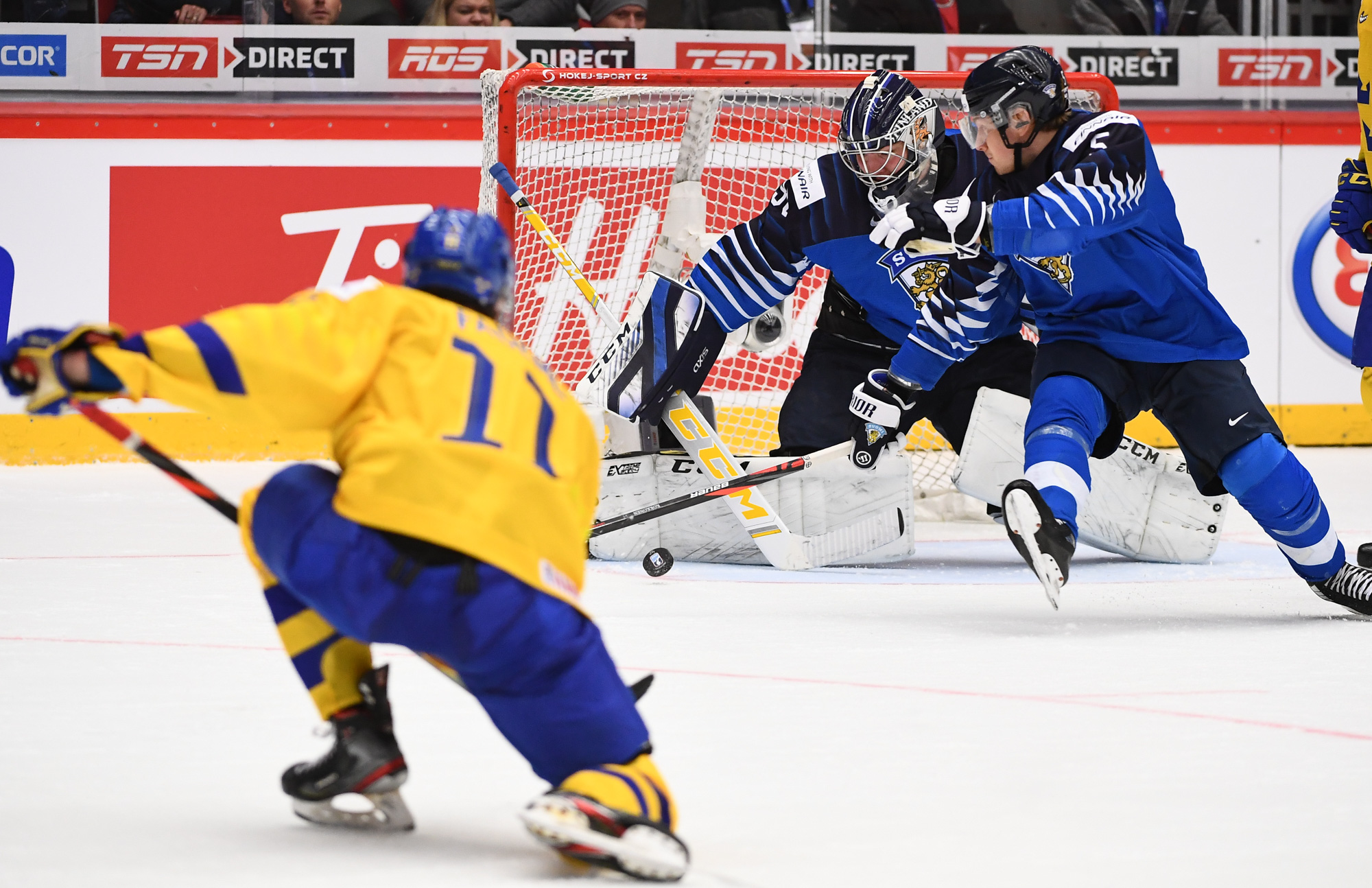 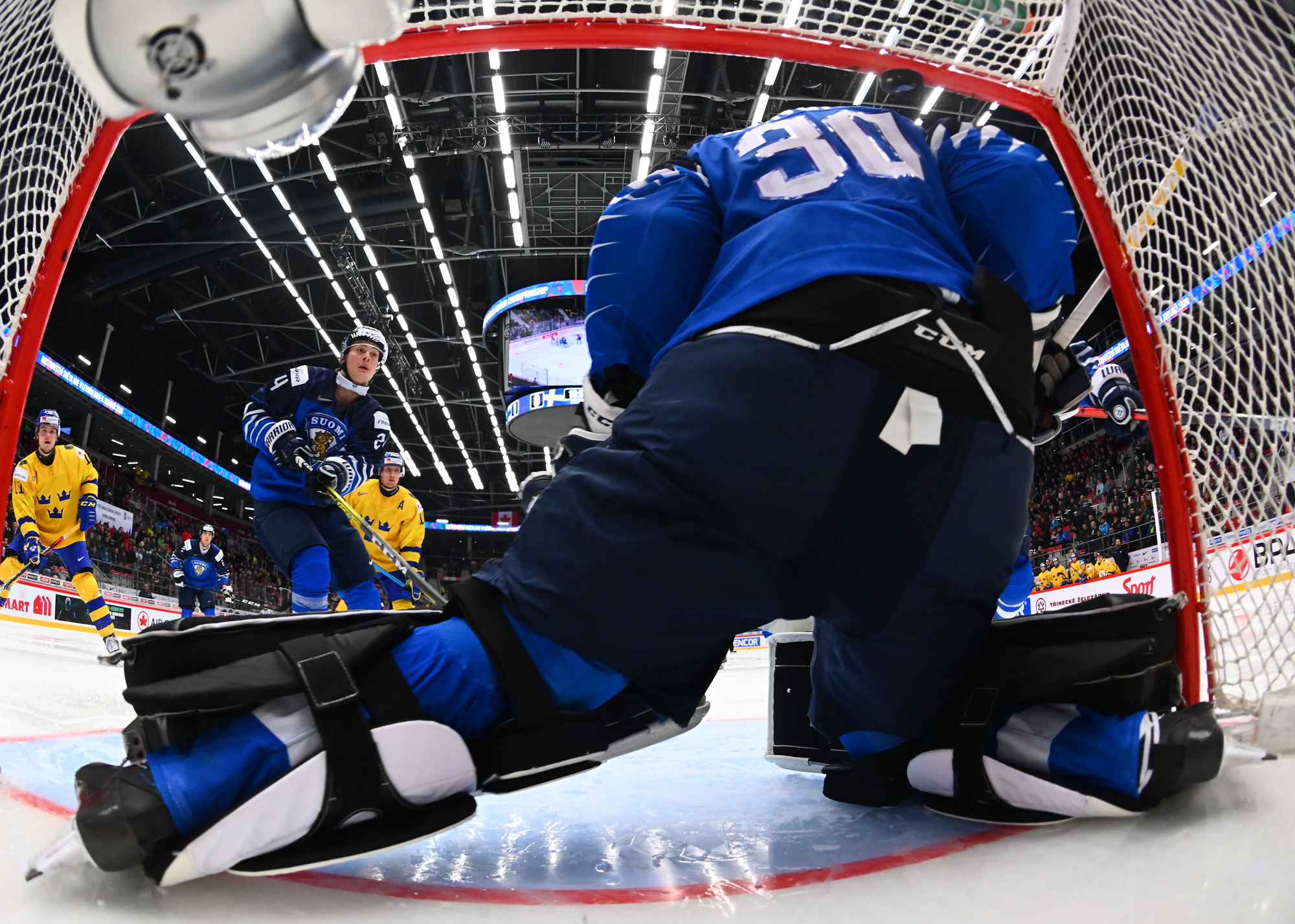 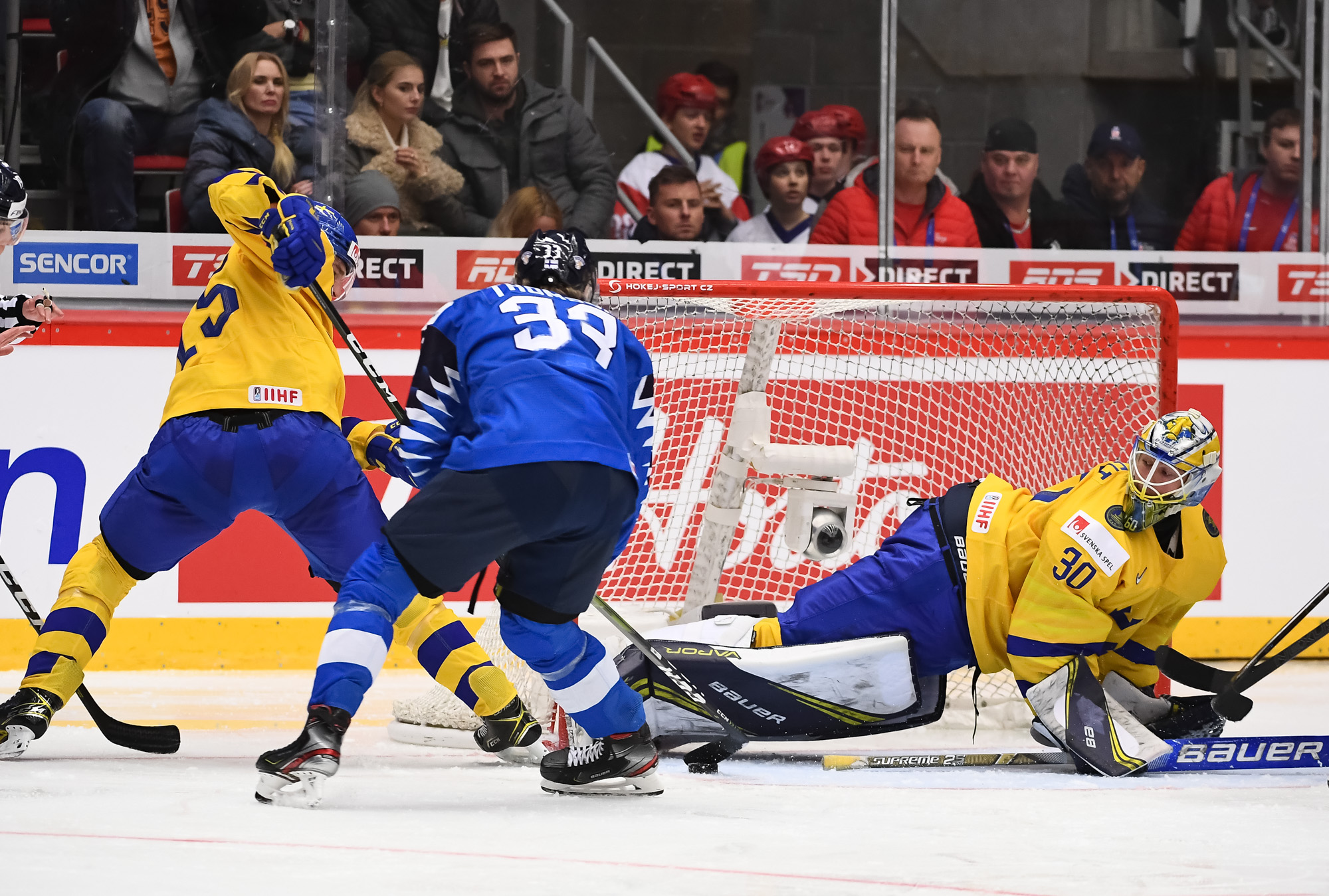 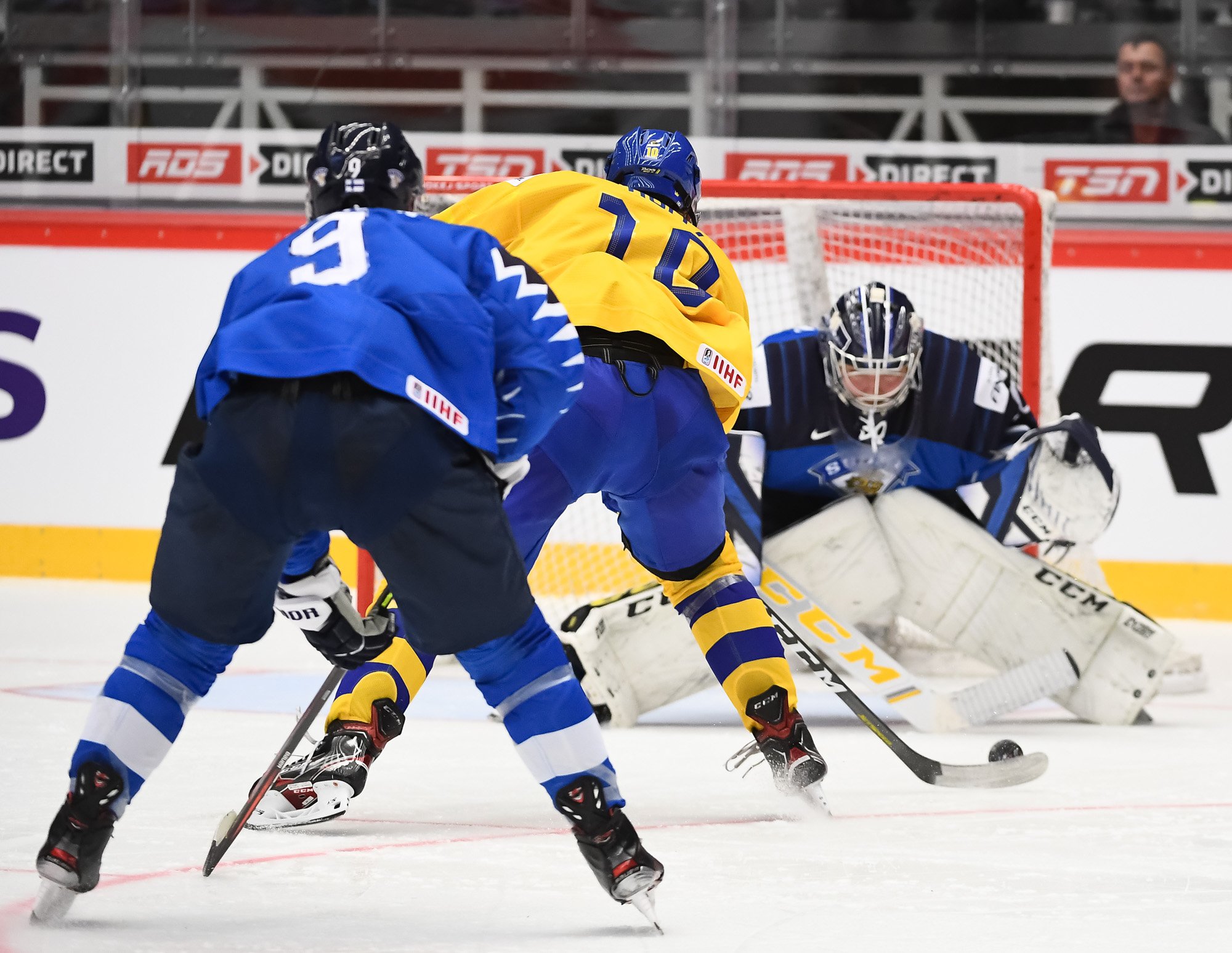 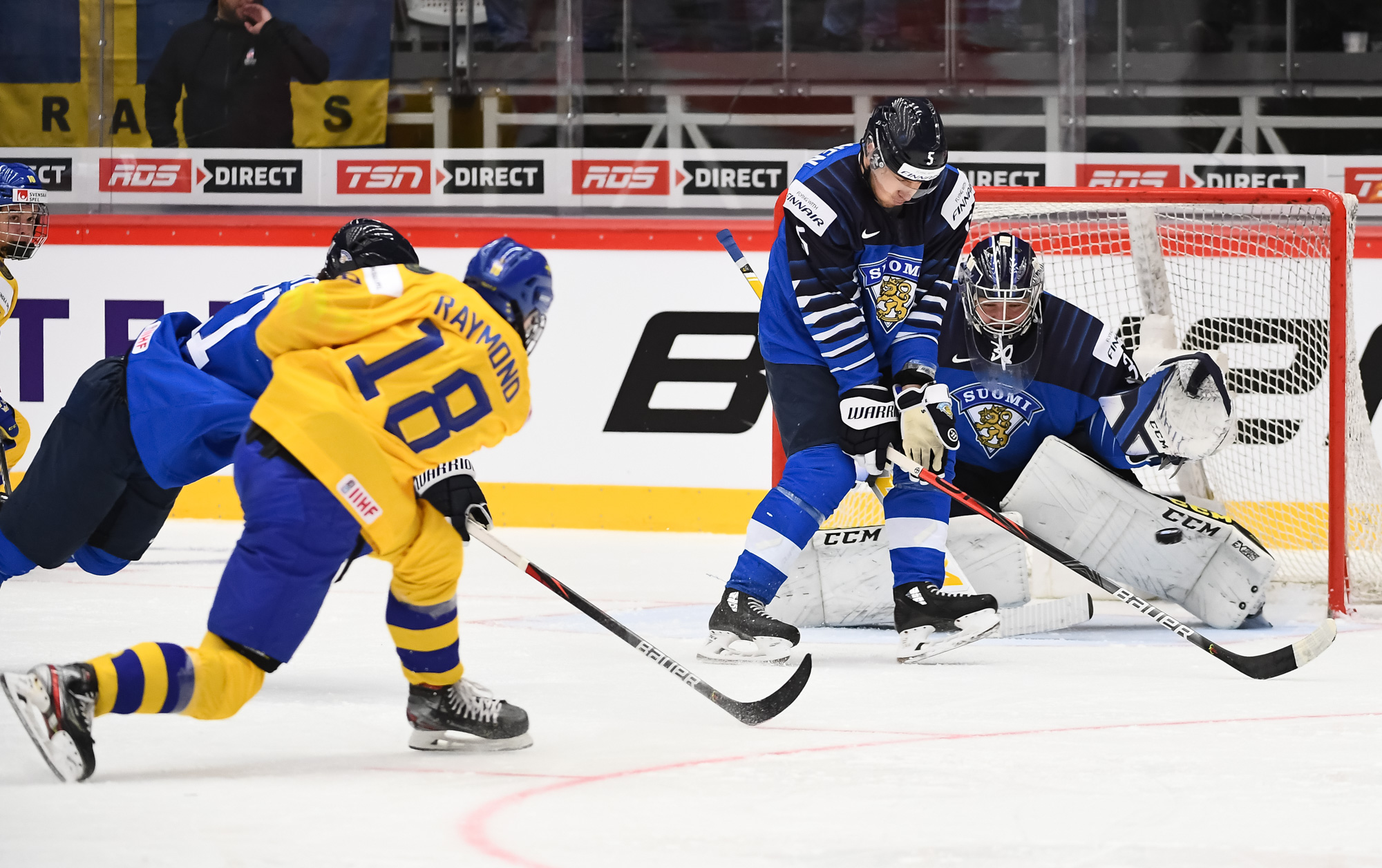 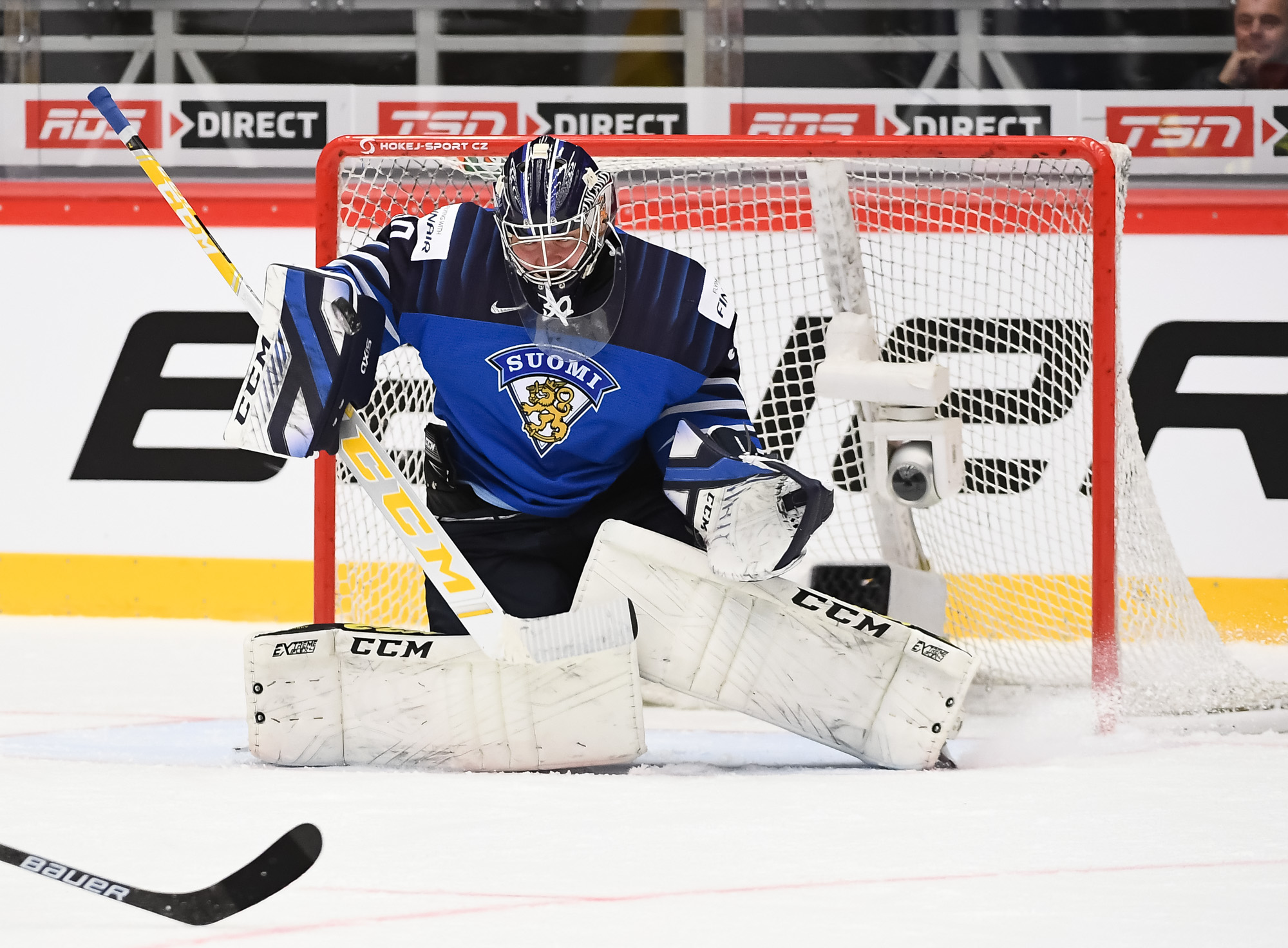 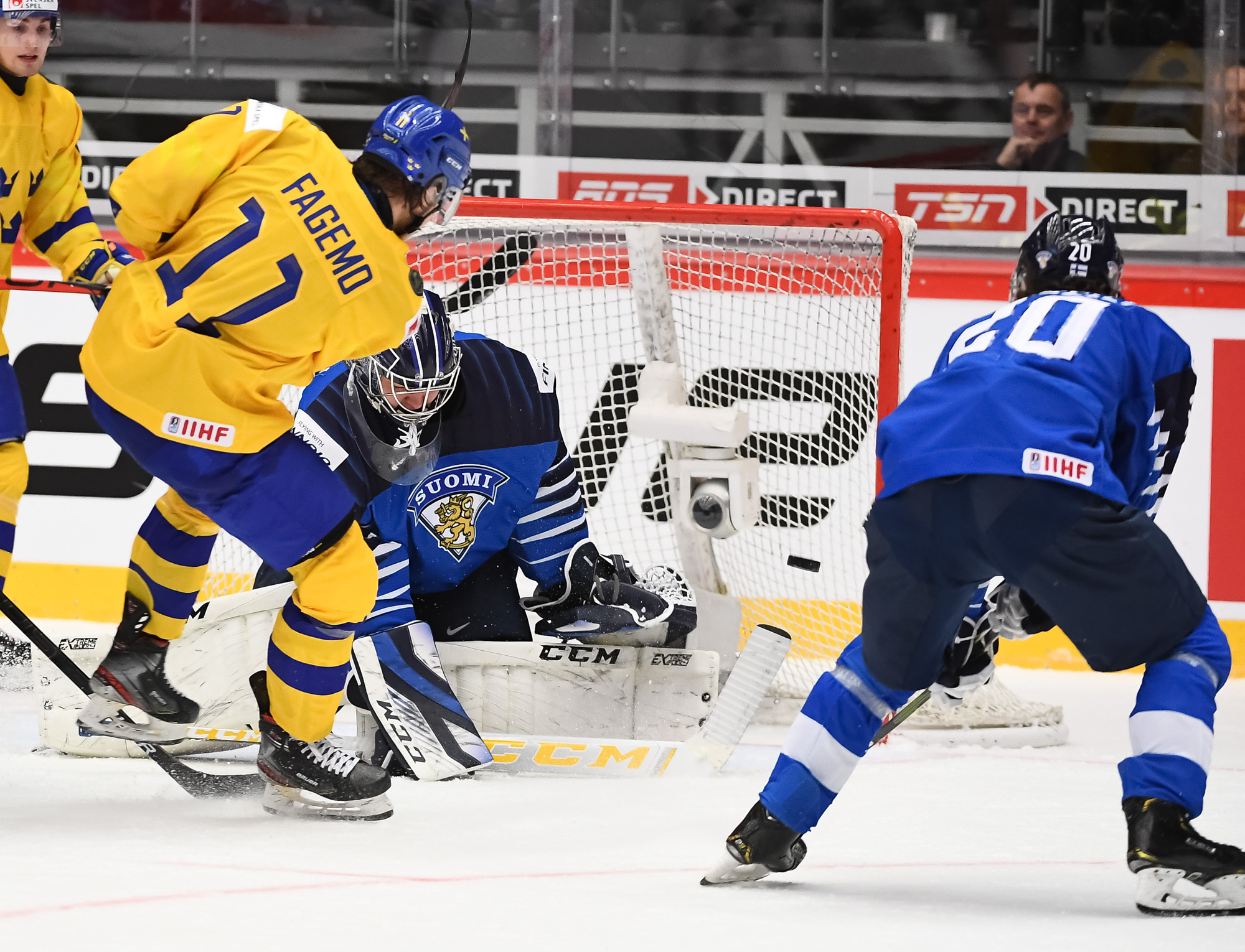 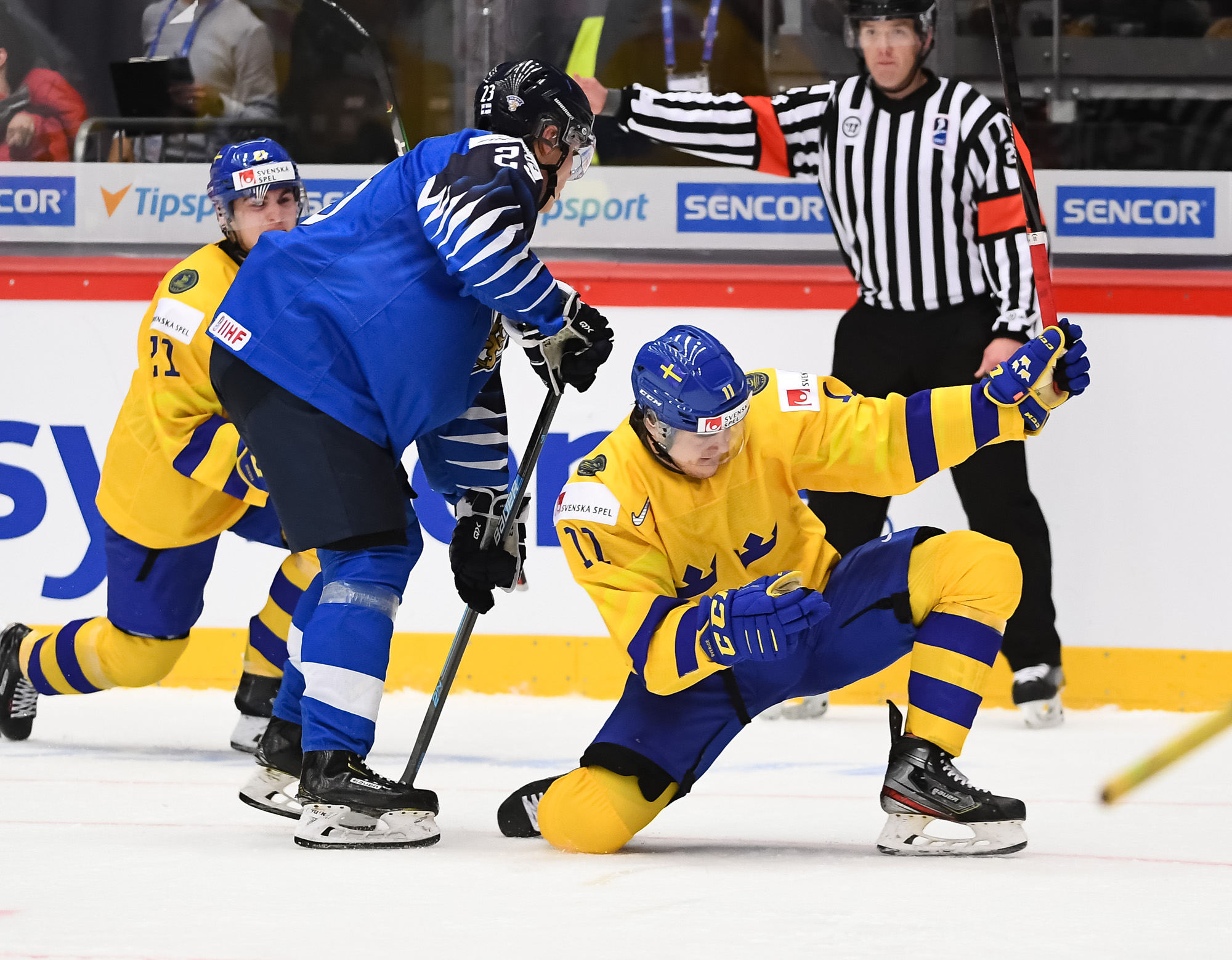 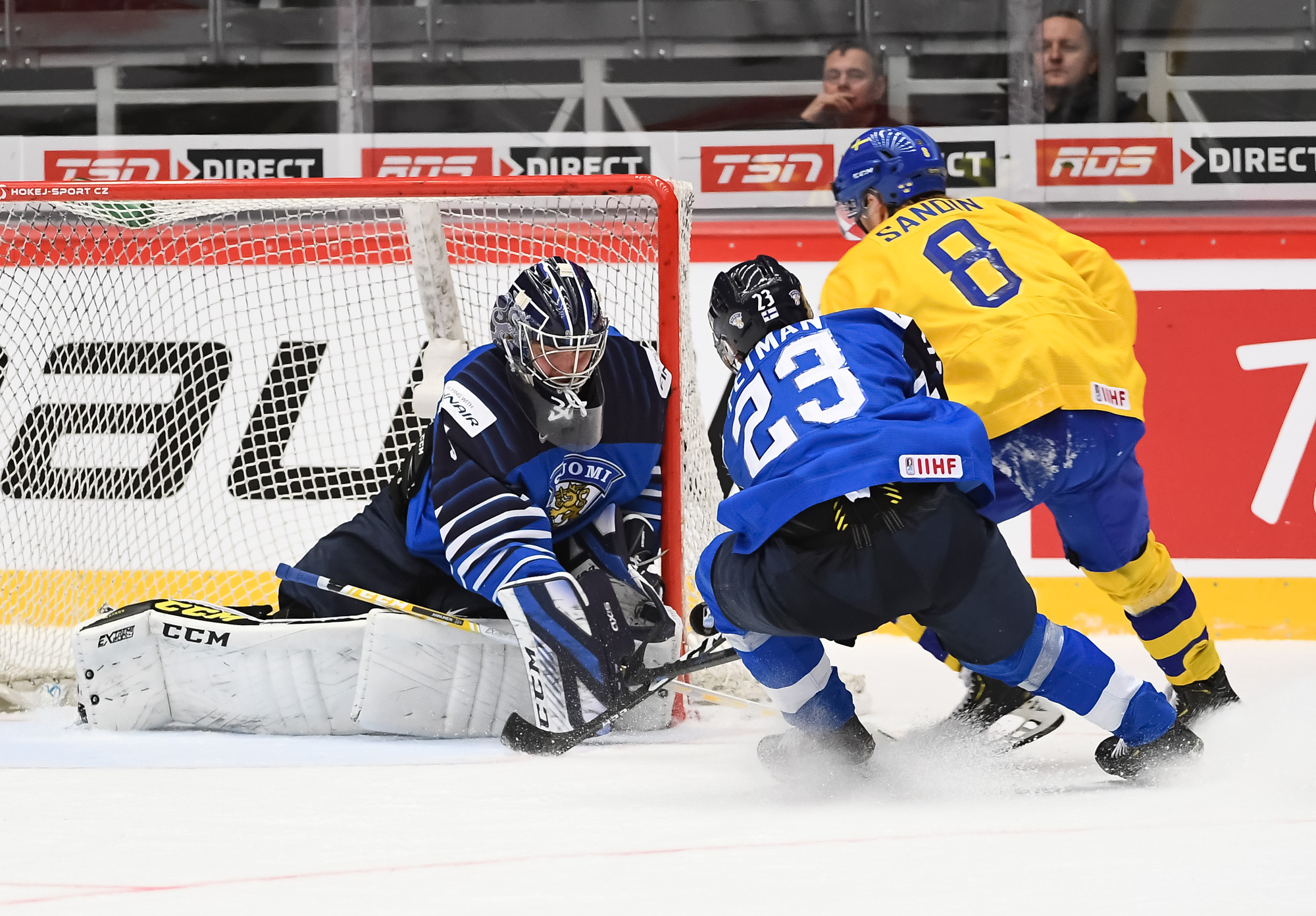 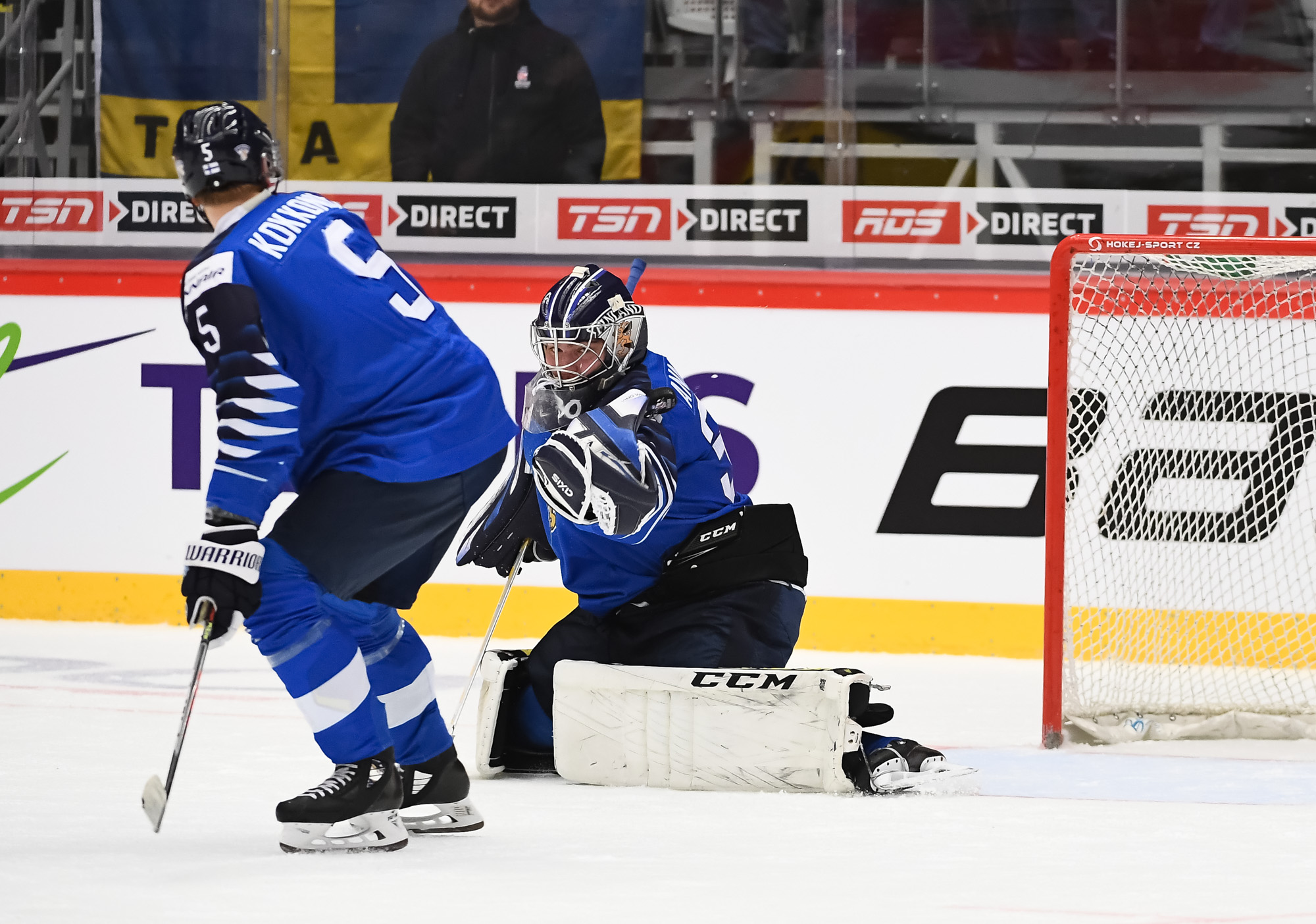 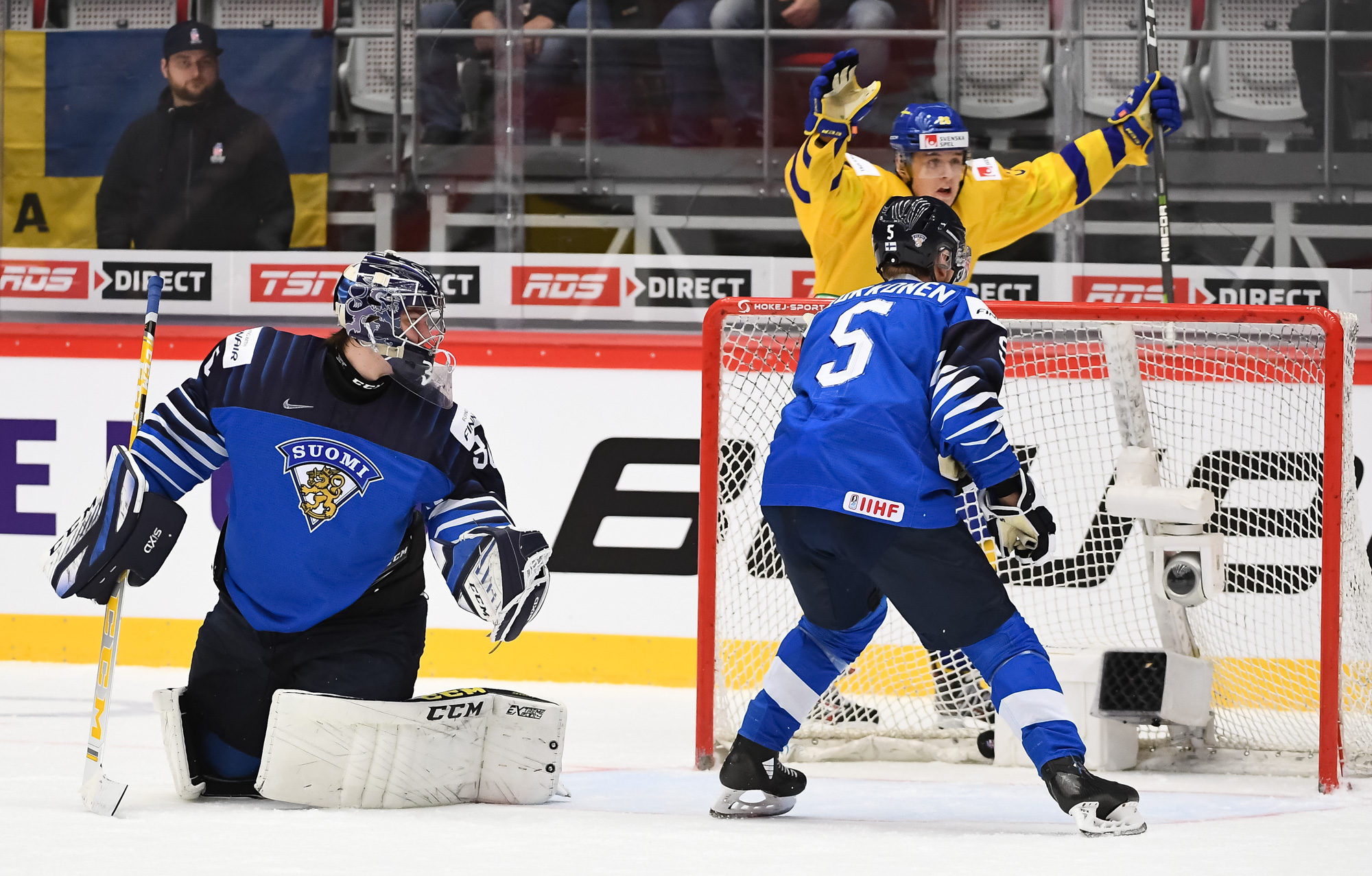 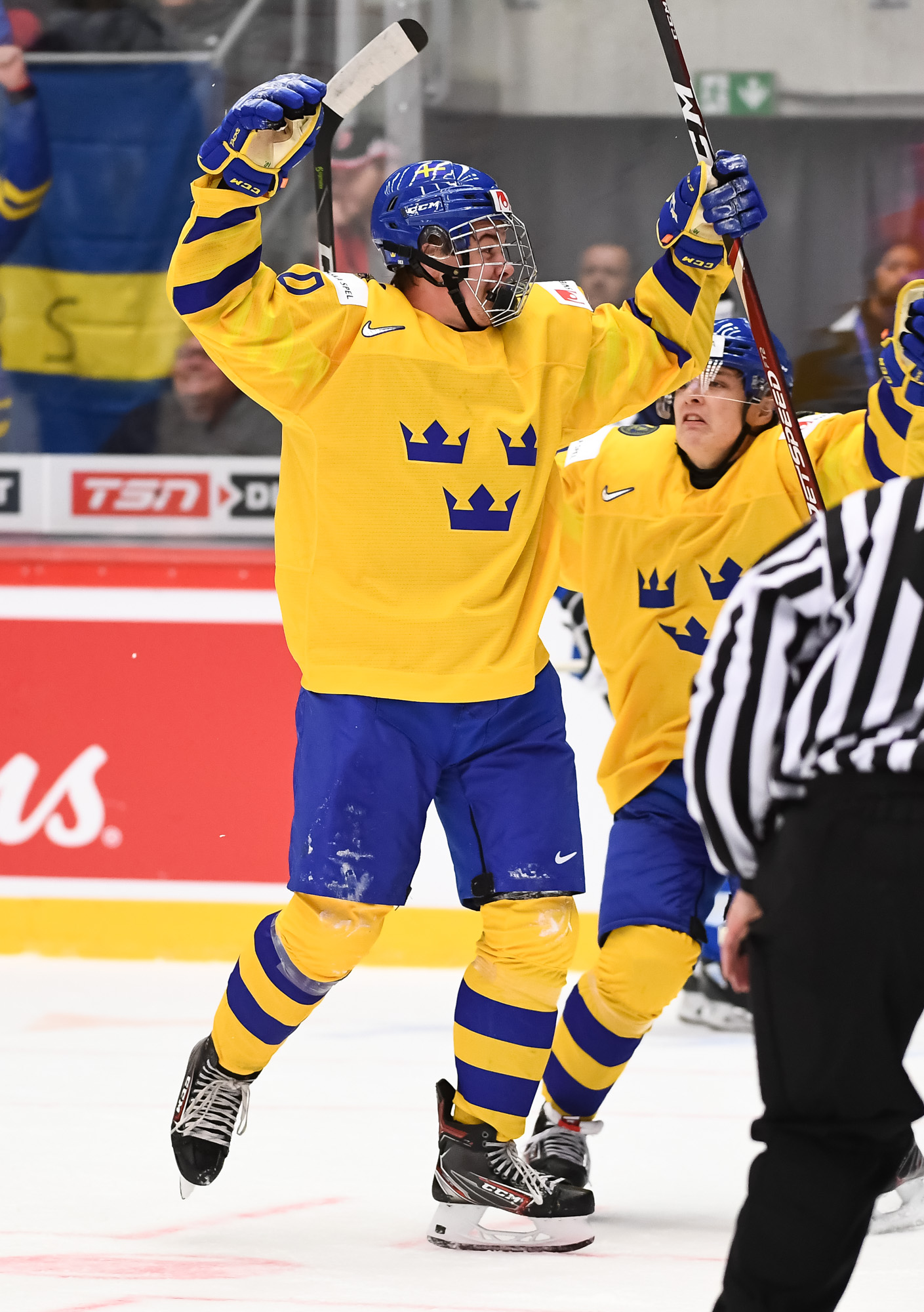 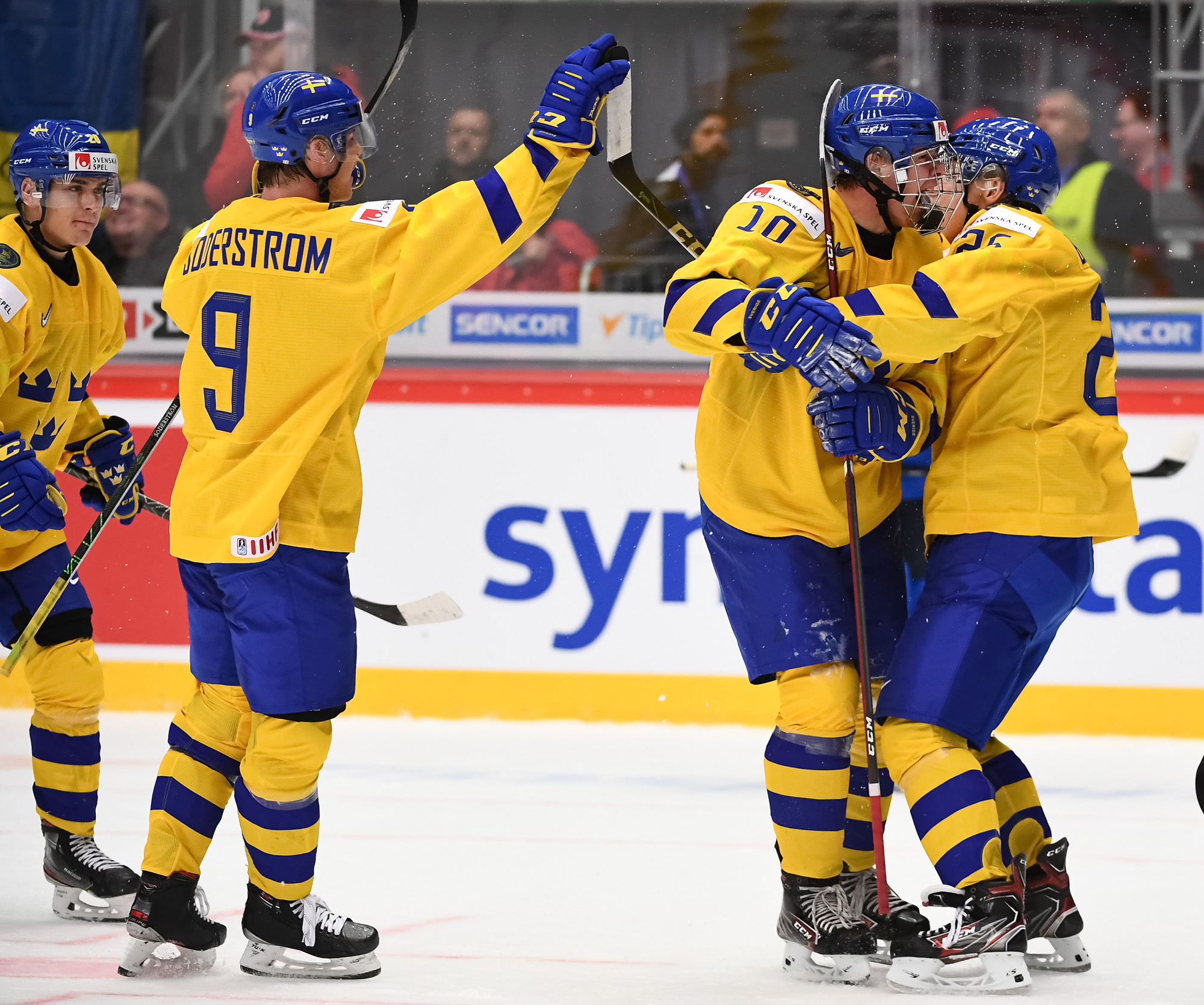 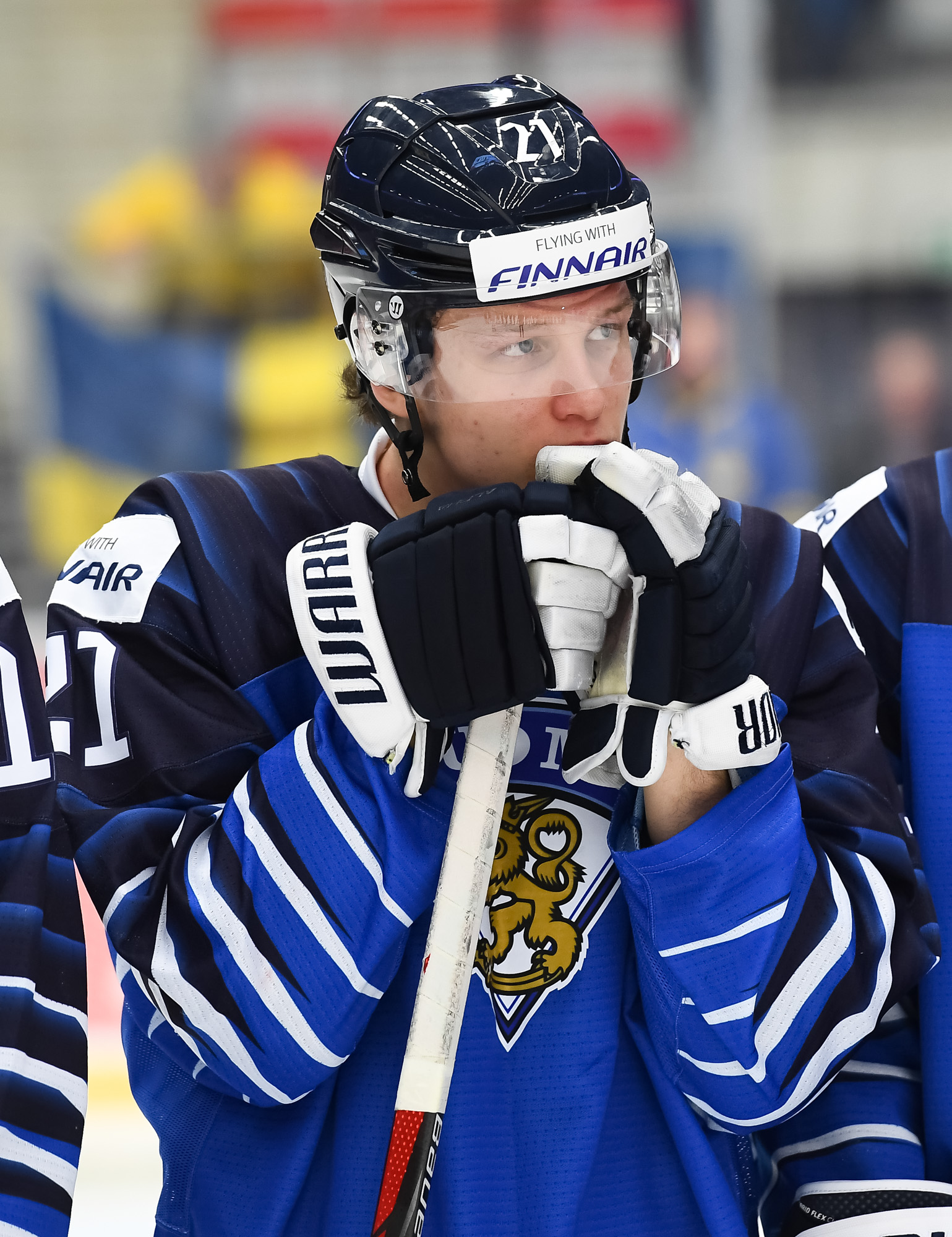 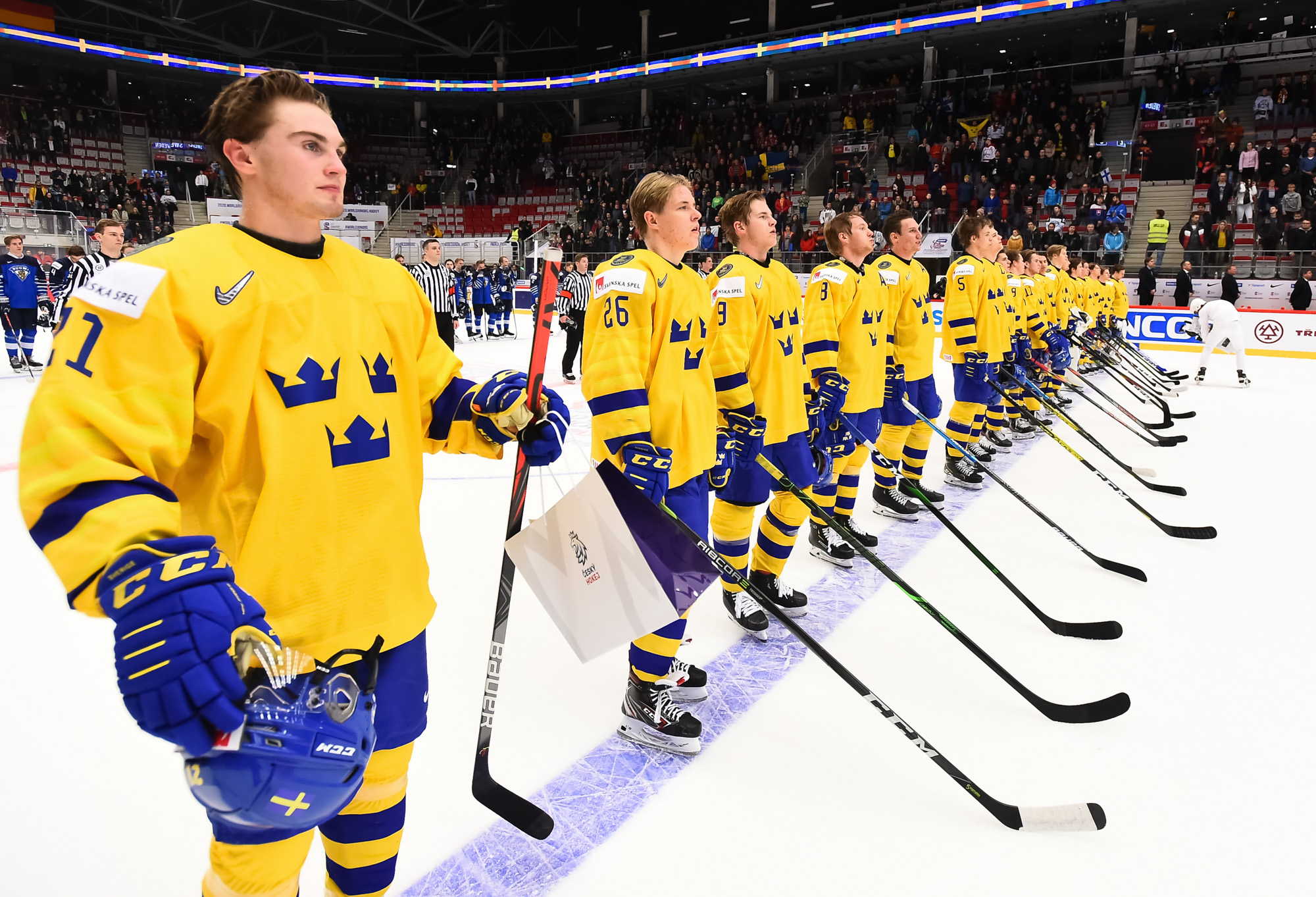 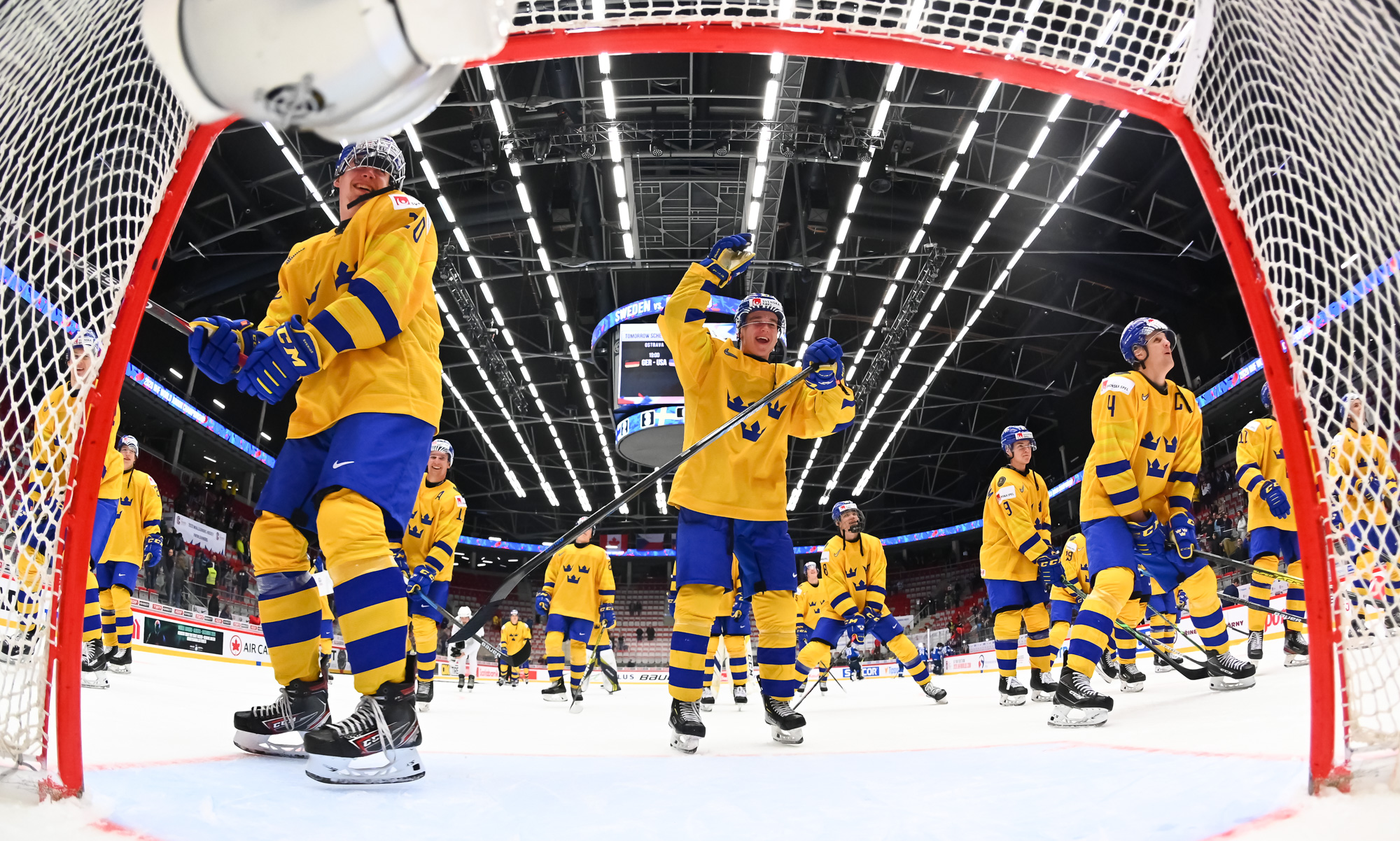