Finland capitalized twice on the power play en route to a 7-1 rout of Kazakhstan on Sunday. The winless Kazakhs, who face unbeaten Sweden on Monday, will play in the relegation round for the second straight year.

Patrik Puistola stepped up with two goals and an assist, while Kristian Tanus and Matias Maccelli had a goal and an assist apiece for Finland. Aatu Raty, Mikko Kokkonen and Kim Nousiainen added singles. Joonas Oden and Ville Heinola each had two helpers.

"I'm pretty happy," Puistola said about his personal game. "I think I've played well so far. But there's for sure things I can do better still."

Puistola, a gifted 18-year-old forward who plays for Tappara Tampere, is vying for the tournament scoring title with seven points through three games. He was named Finland's player of the game.

If there was an area of concern for Finland, it was lapses in concentration that led to penalties. Suomi took nine minors on the afternoon, including one for too many men on the ice in the second period. Against a superior opponent, that could have come back to haunt them.

"I think our whole team is pretty happy that we won, but it wasn't our best game," said Oden. "We could have done better, but that happens. We took too many penalties. It just slows down the team, slows the momentum."

Overall, Finnish coach Raimo Helminen is getting a balanced attack. Seventeen of his skaters have recorded at least one point through three games.

"That's kind of our plan," Helminen said. "It has been the whole season long. We need to have everybody scoring and working hard."

Finland capitalized twice on the power play en route to a 7-1 rout of Kazakhstan on Sunday. The winless Kazakhs, who face unbeaten Sweden on Monday, will play in the relegation round for the second straight year.

KAZ FIN 29 DEC 2019
Kalmykov stymied Finland’s Eemil Erholtz on an early shorthanded breakaway. However, the Finns cashed in at 6:01 with their first man advantage. Heinola stepped in from the right point to unleash a low shot, and Puistola, at the crease, deflected it in.

At 10:13, Kazakhstan struck back with the man advantage. Buyalski had time to line up his shot from the right faceoff circle, and it was a doozy, right under the bar, for his first of the tournament. The 19-year-old forward had a goal and an assist at the 2019 World Juniors.

Unfazed, Finland made it 2-1 at 14:31 off the rush. Puistola’s cross-ice pass found Oden on the left side and his shot fortuitously bounced in off Tanus, cutting across the front of the net.

Late in the period, Kazakh captain Tamirlan Gaitamirov laid out Aatu Raty, the prospective #1 overall pick in 2021, with a clean hit near the Finnish blue line. But the Finns were not to be dissuaded.

Just 54 seconds into the second period, Maccelli cruised over the blue line unmolested and scored on a high wrister for a 3-1 gap on a 5-on-4 advantage.

At 12:37, Aatu Raty busted to the net and converted a nice pass from his onrushing brother Aku for Finland’s fourth goal at 12:37. It was the 17-year-old’s second goal of these World Juniors.

In the third period, Puistola got his fourth goal of the tournament, finishing off Oden's set-up on an odd-man rush at 7:06.

"He just knows how to put the pucks in the net," said Oden. "He's a skillful player. If I can find him open, he can put it in."

At 13:49, Kokkonen floated a shot through traffic that fooled Kalmykov to make it 6-1. And Nousiainen rounded out the scoring, banging in a loose puck with 2:02 left.

The Finns have now won all eight World Junior games they’ve played against Kazakhstan. The first encounter was a 14-1 quarter-final romp at the 1998 World Juniors in Helsinki. Last year, Finland won 5-0 in Victoria.

Maxim Musorov has been the only real offensive spark for the former Soviet republic so far. The Snezhnye Barsy Astana forward entered this game with three goals, but was blanked for the first time in Trinec.

With Rasmus Kupari out of the tournament with a knee injury, the Finns dressed 11 forwards for the second straight game. To date, it hasn’t slowed their momentum. They'll complete the group stage against Switzerland on New Year's Eve.

Asked what kind of an effort it will take to beat the Swiss, Oden said: "They want to win, we want to win. We're just going to keep playing our game, get the pucks to the net."
Kazakhstan vs. Finland - 2020 IIHF World Junior Championship 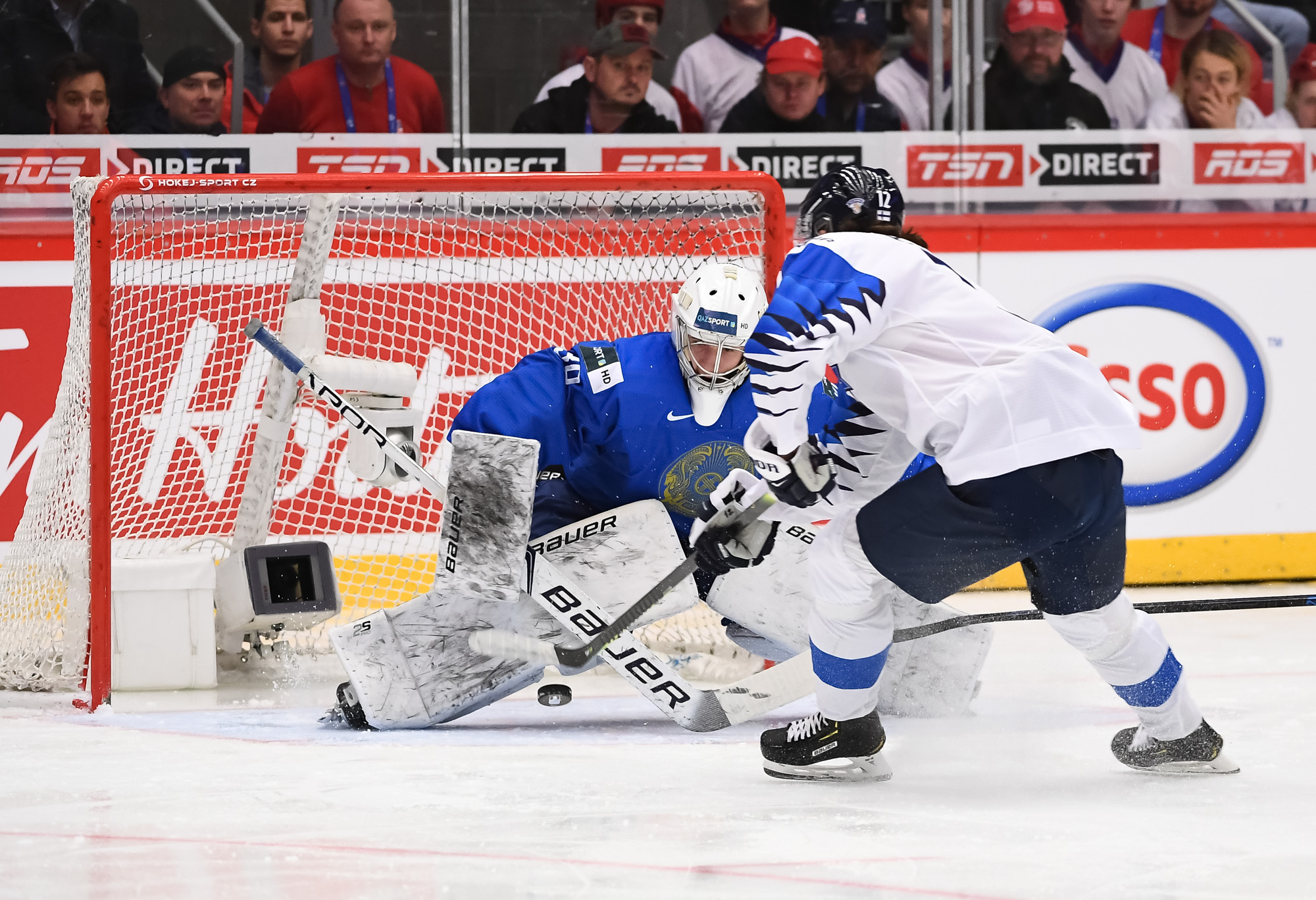 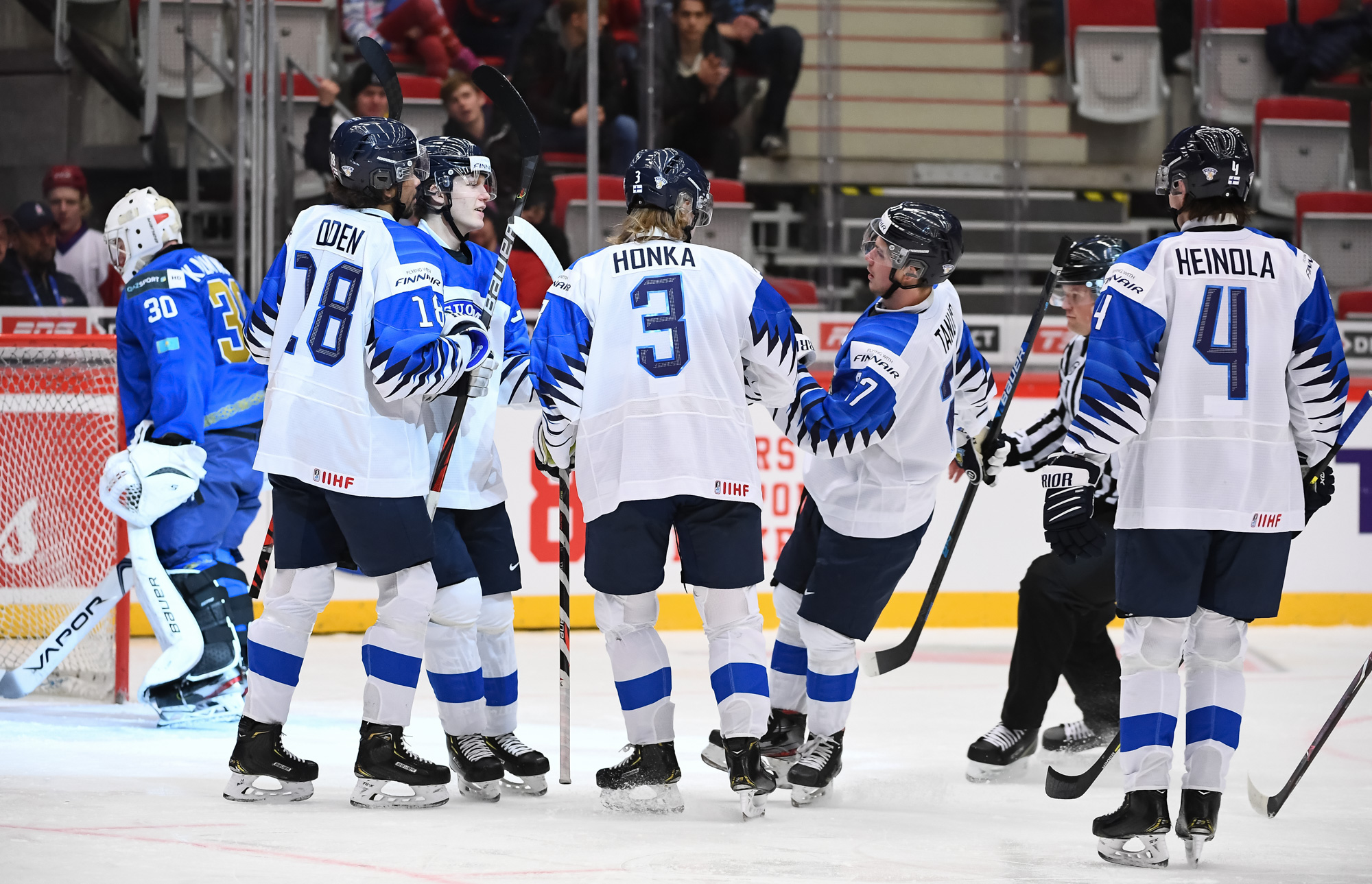 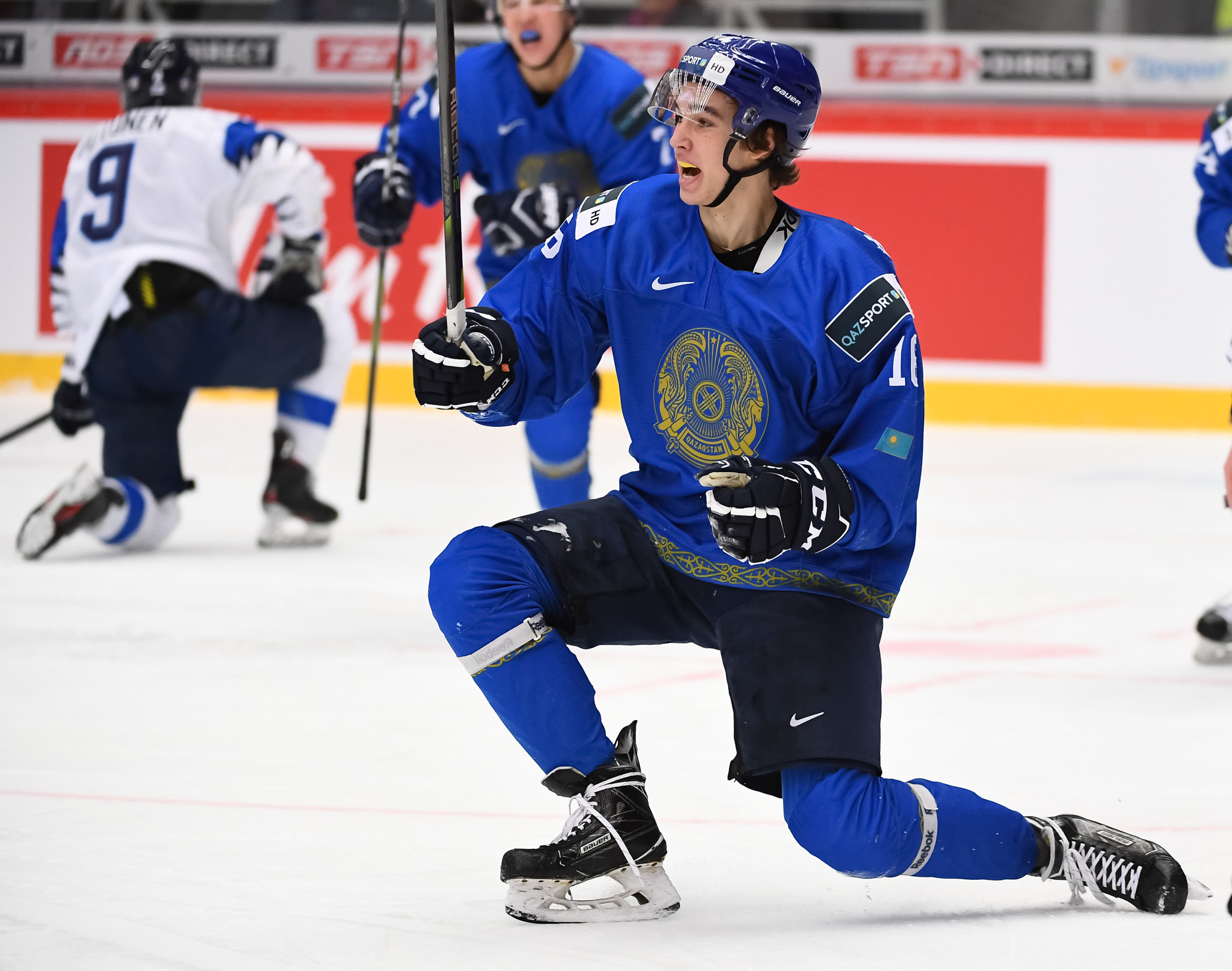 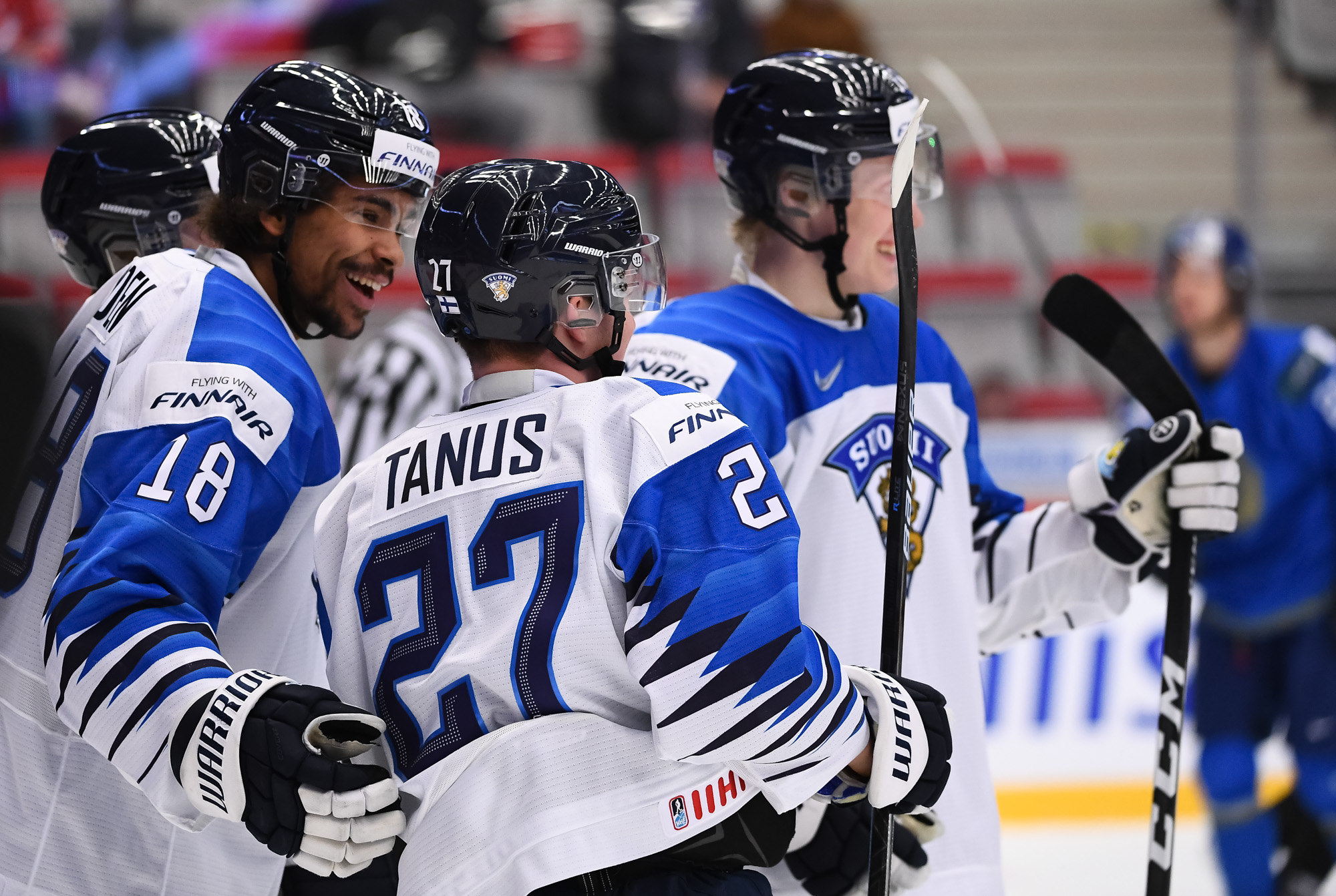 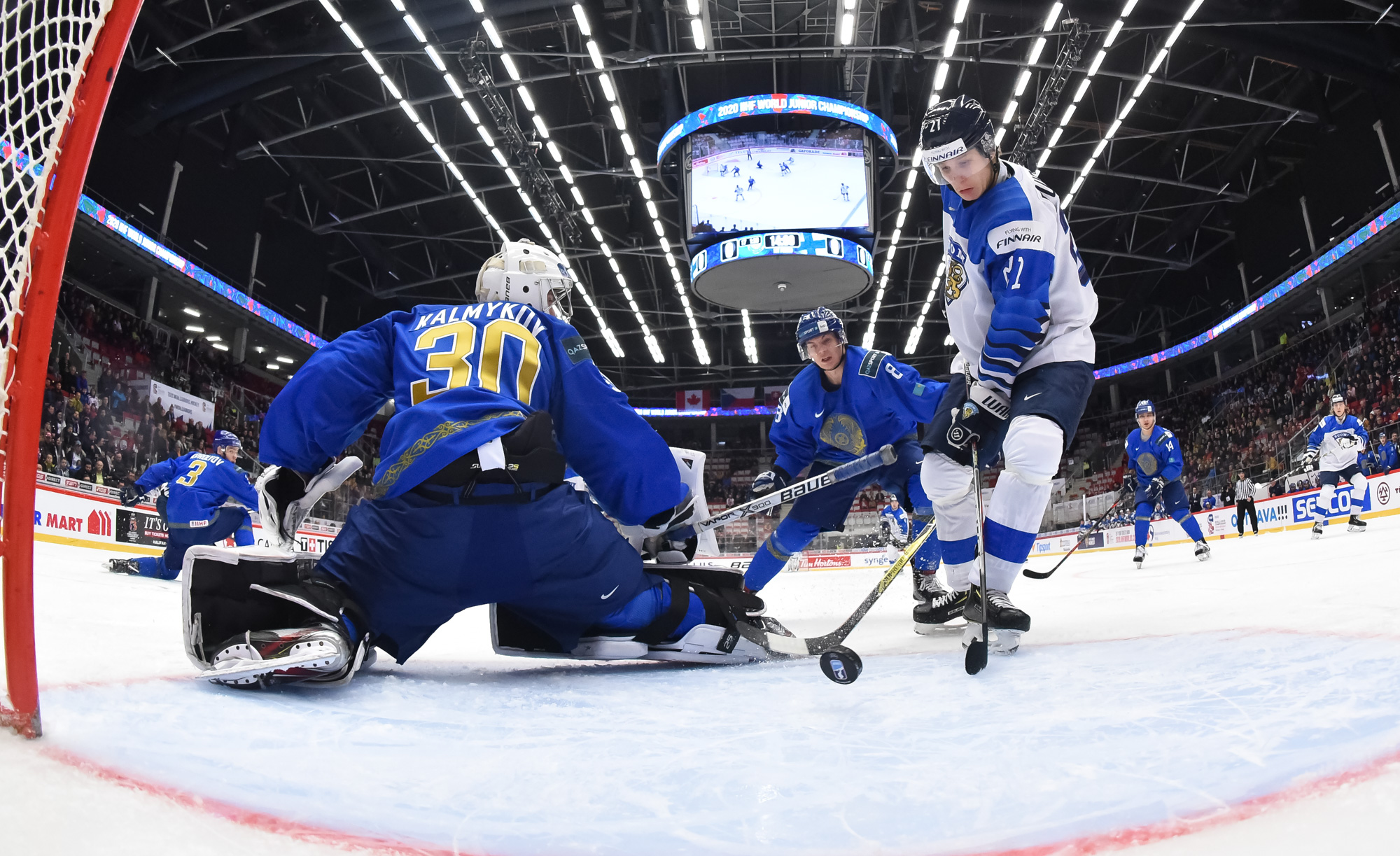 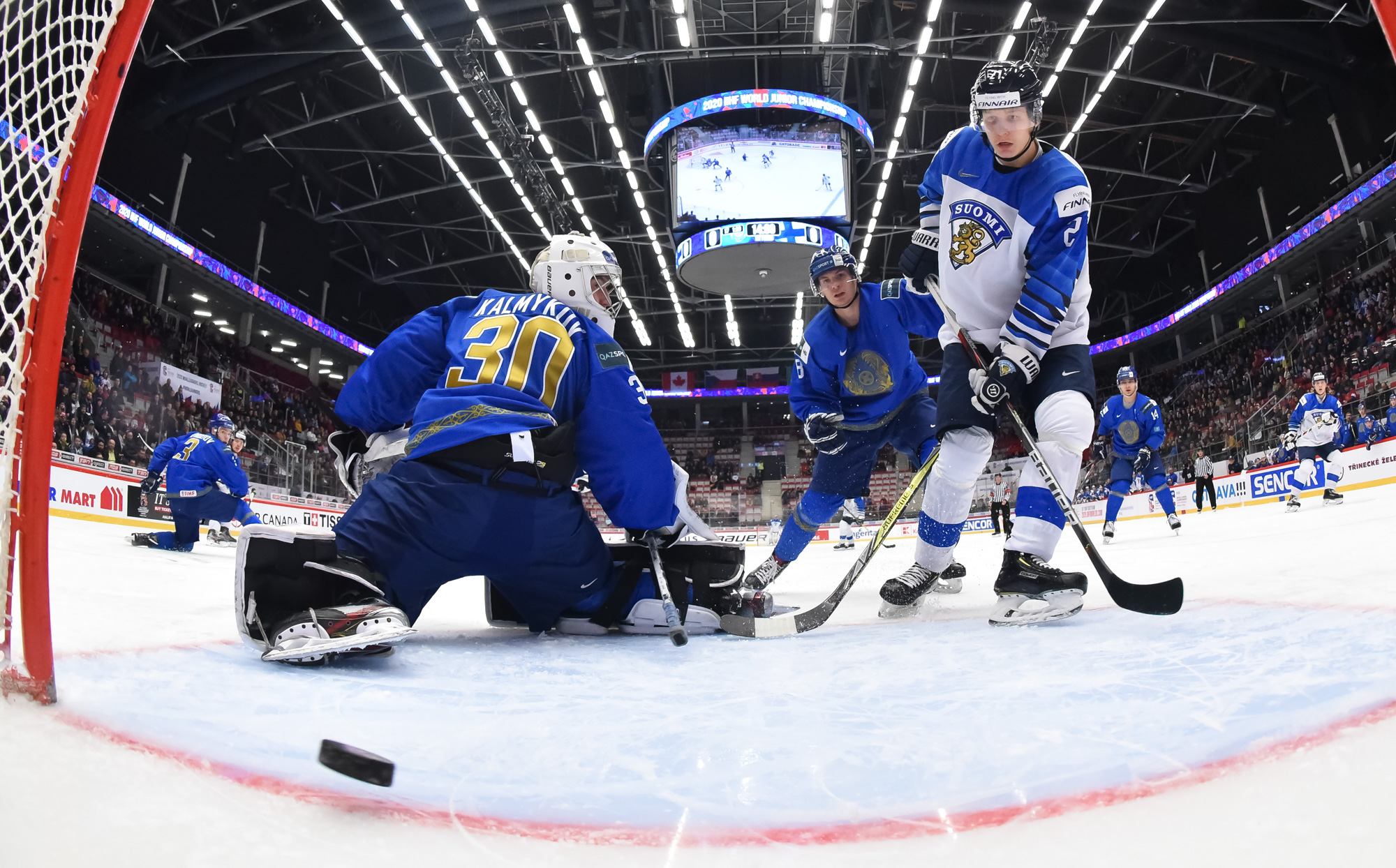 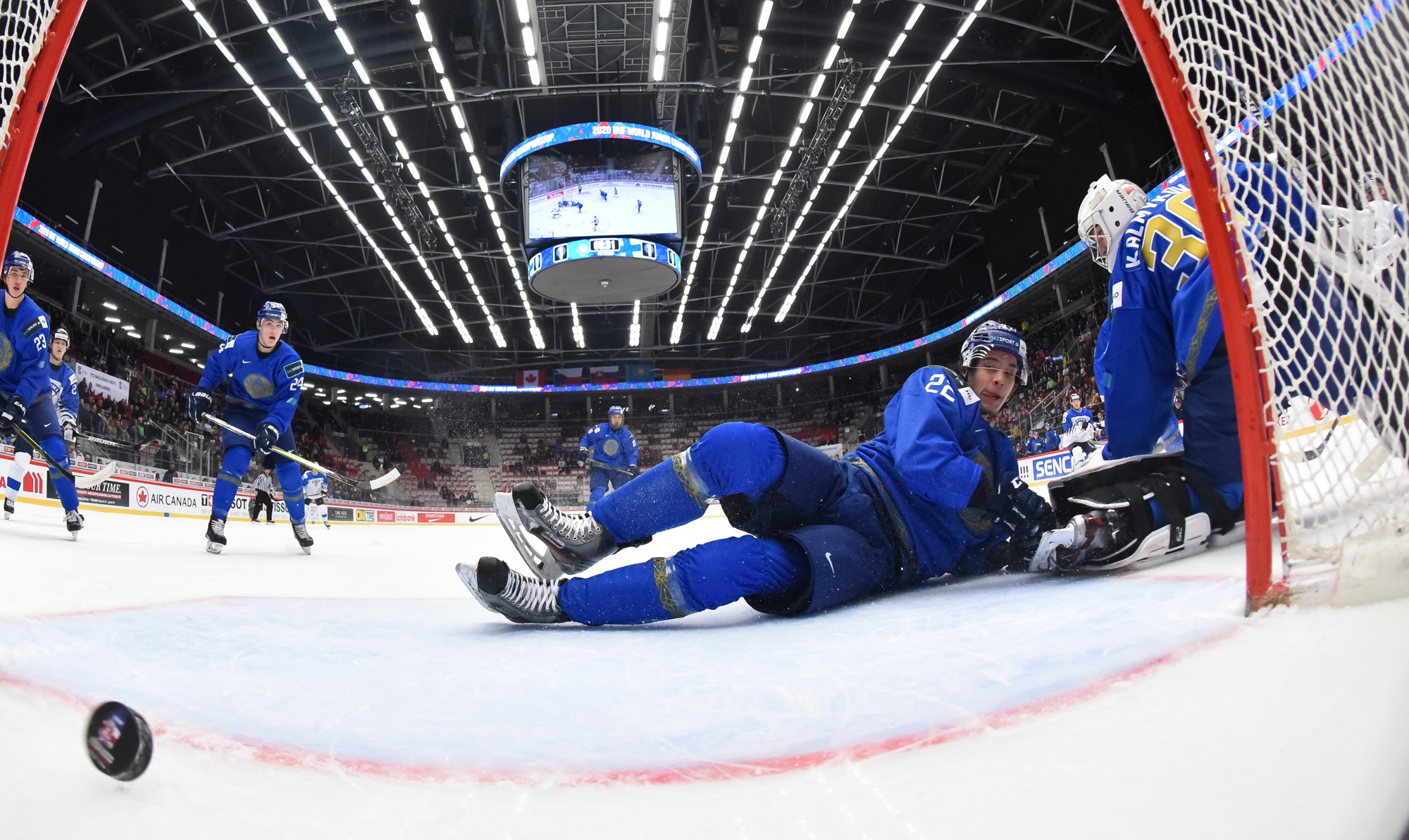 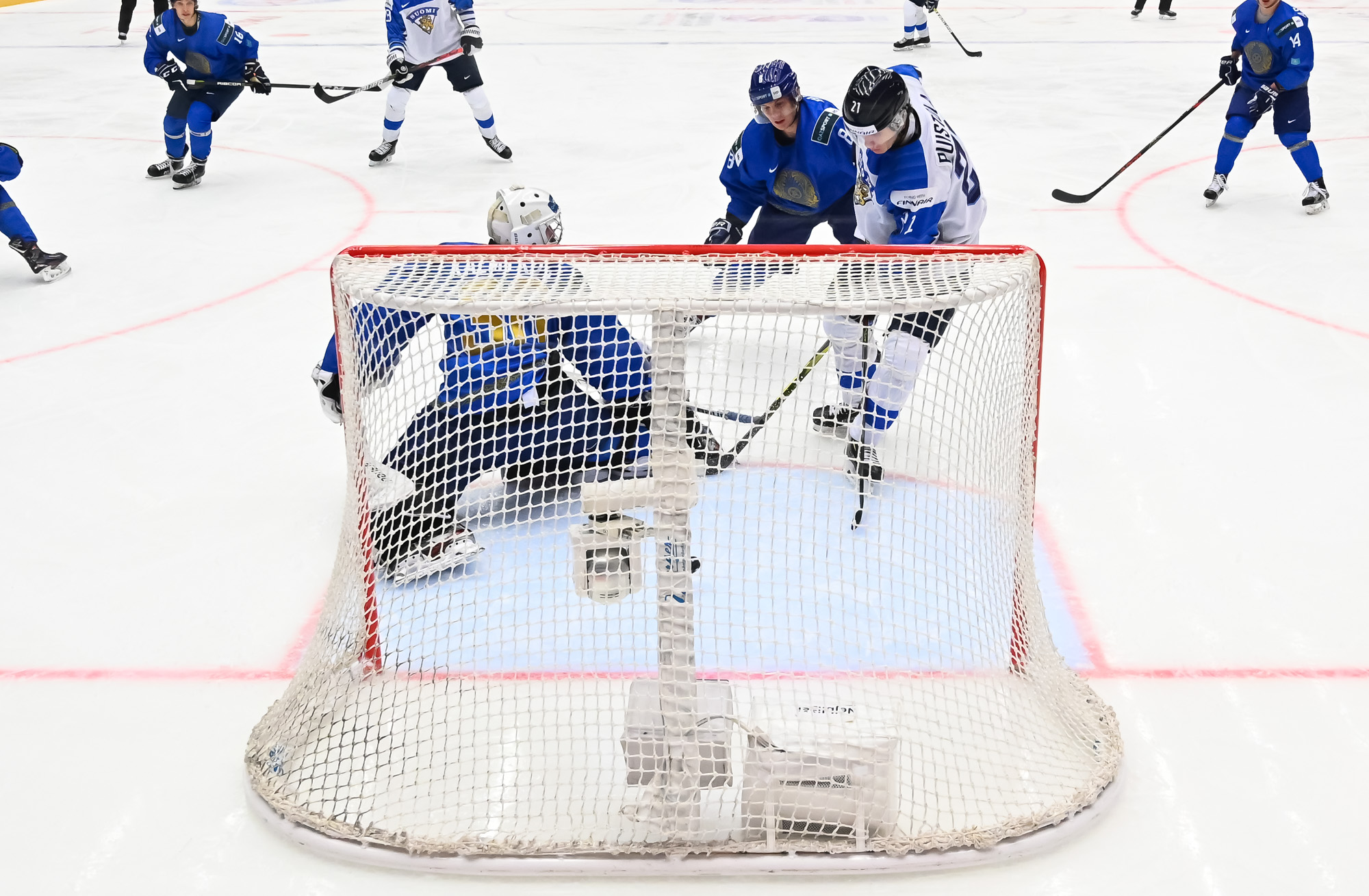 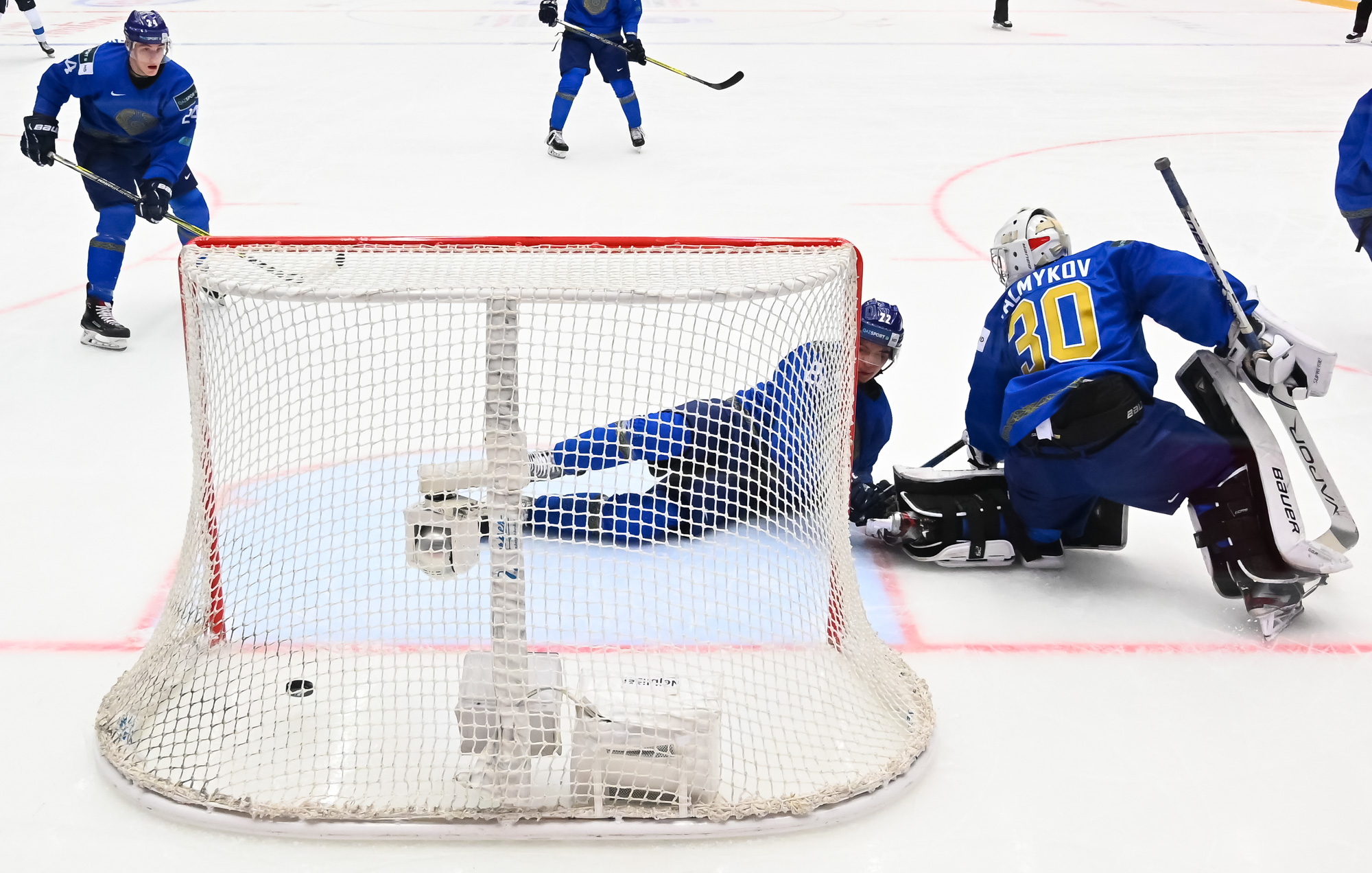 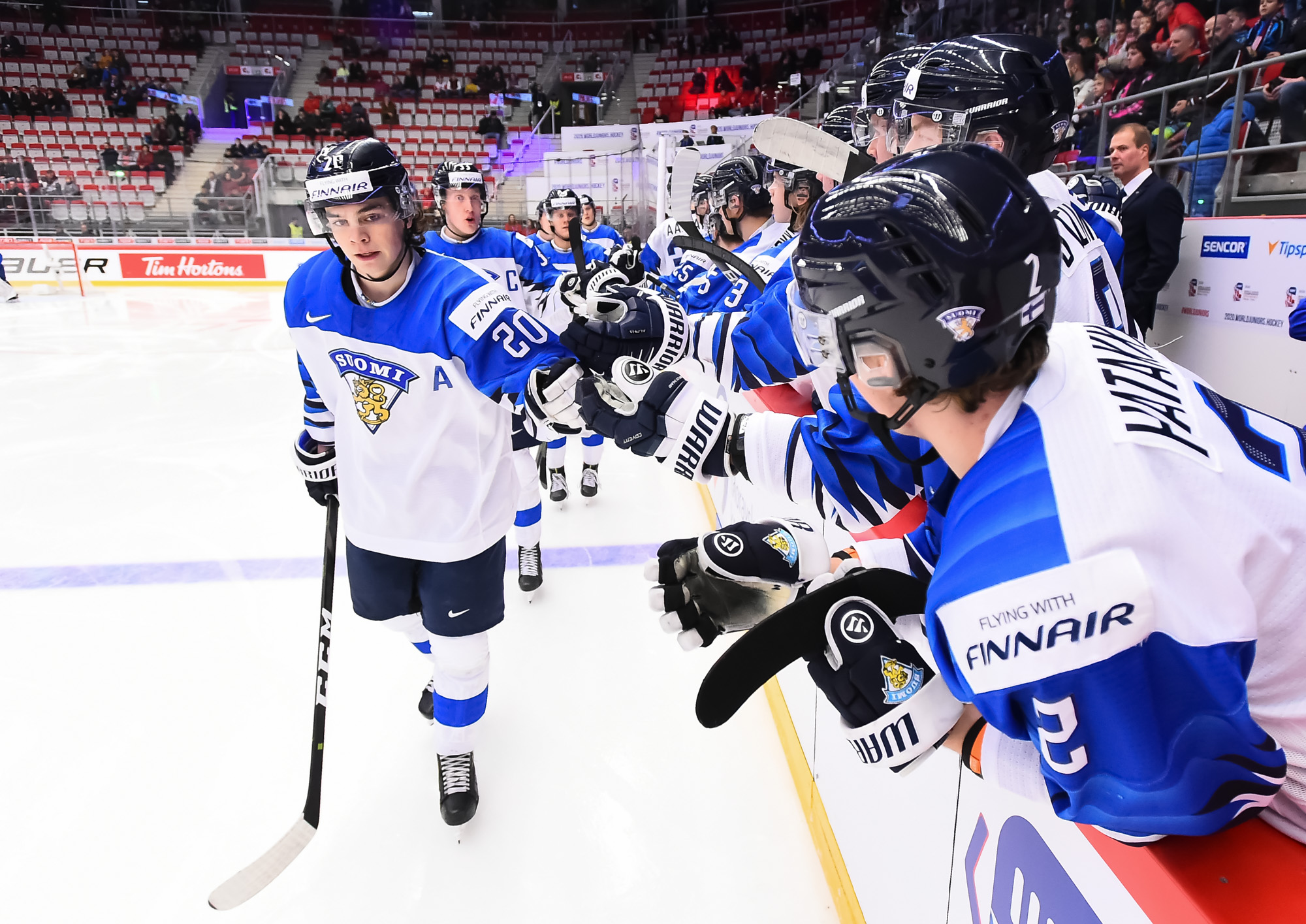 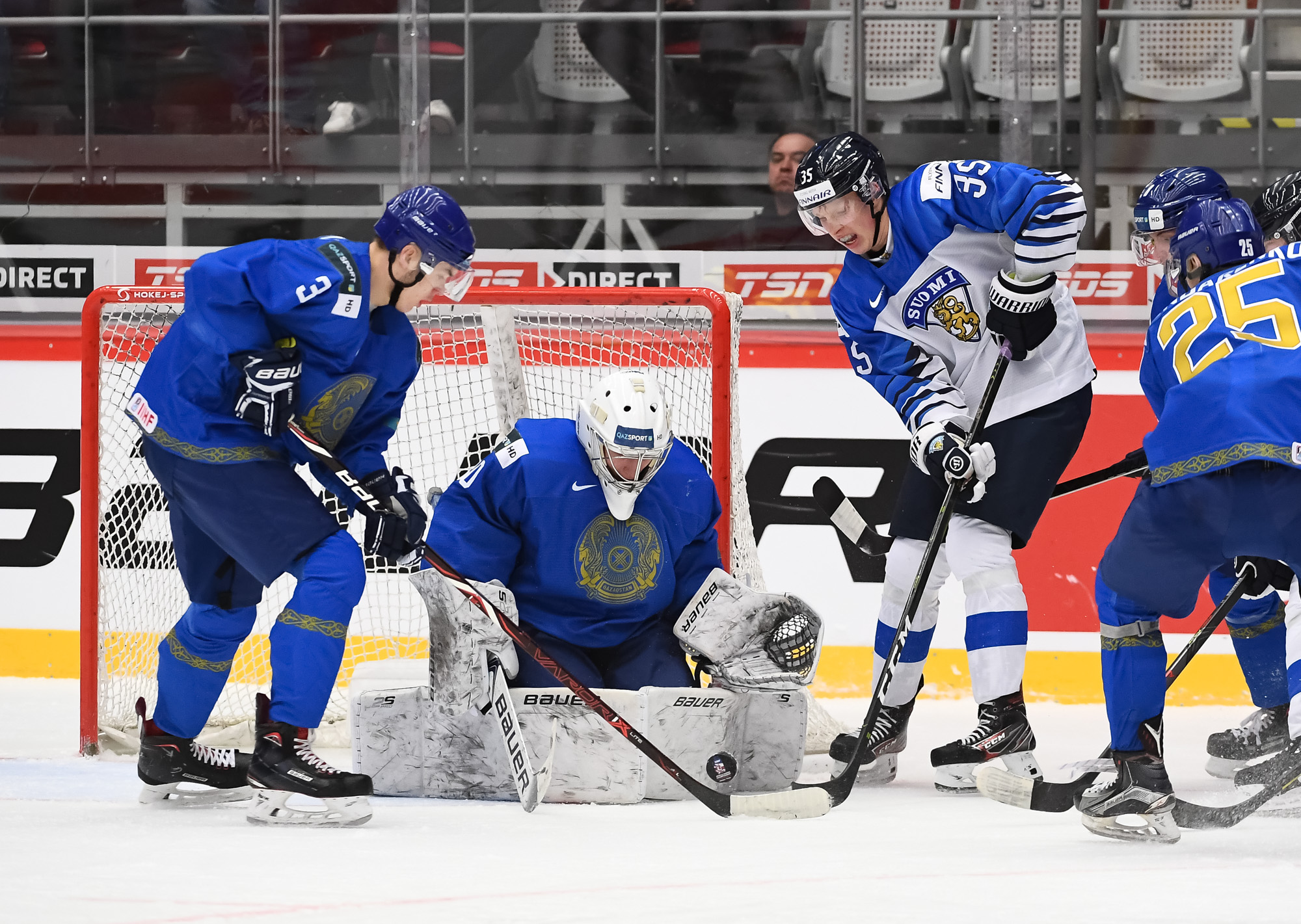 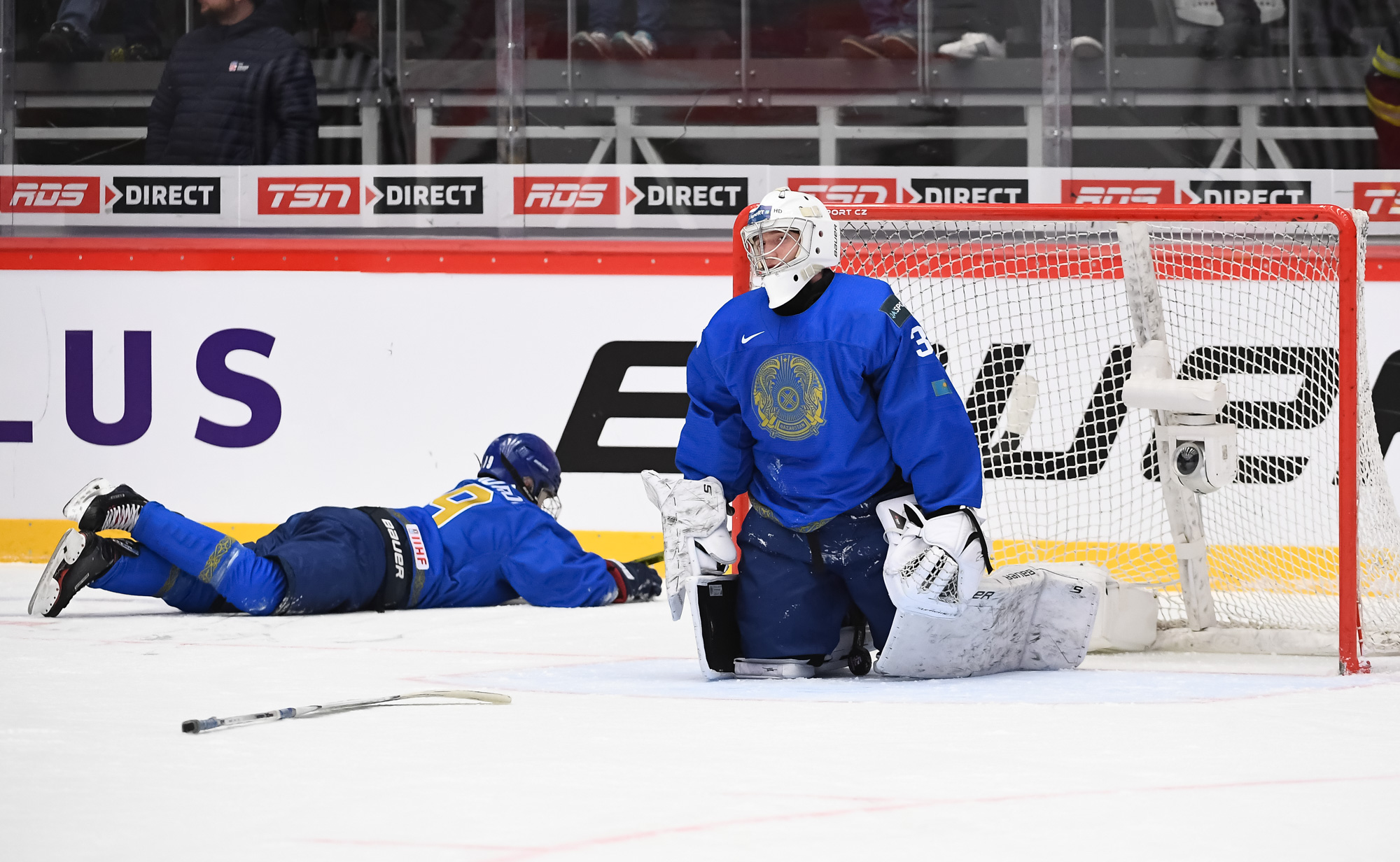 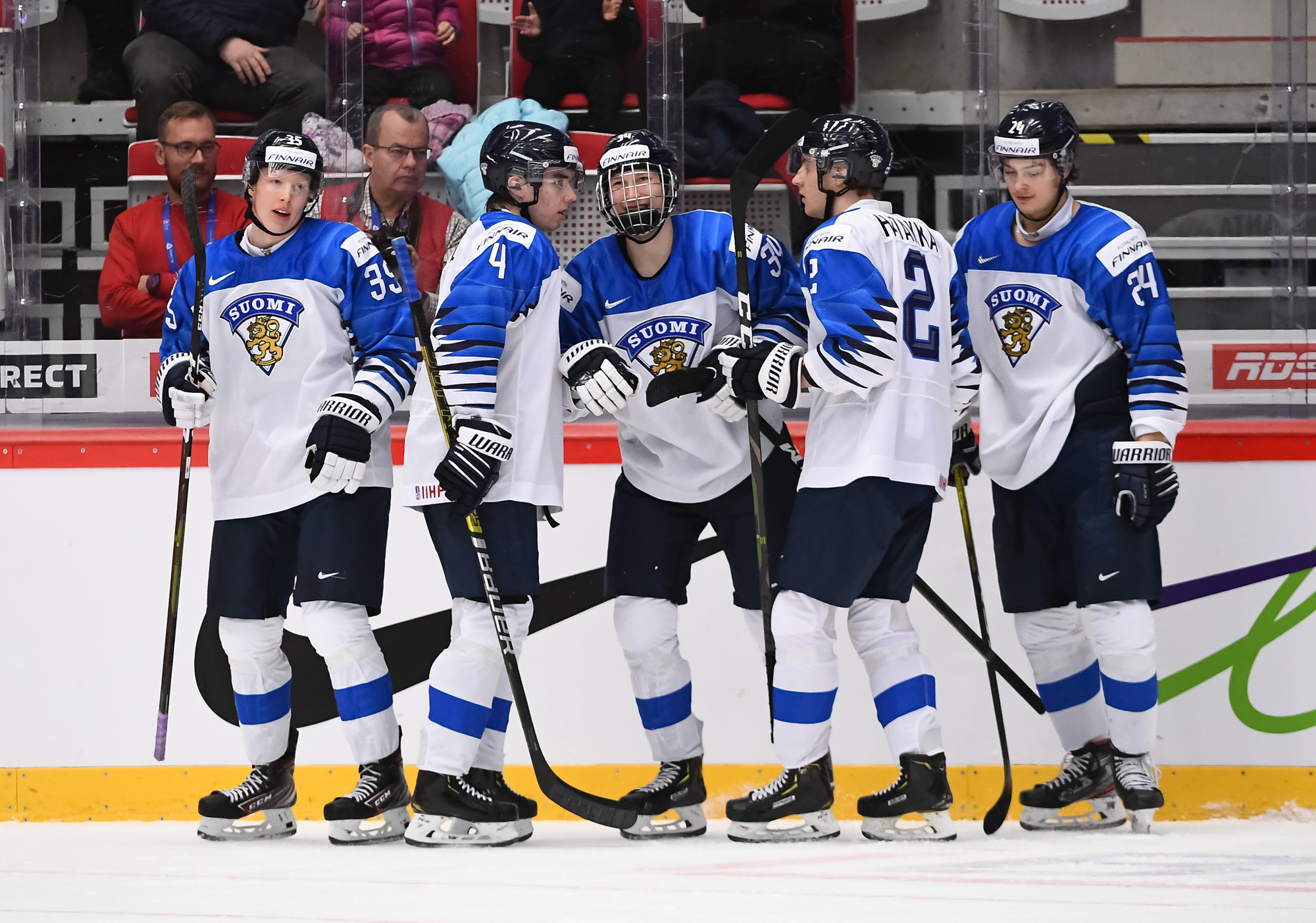 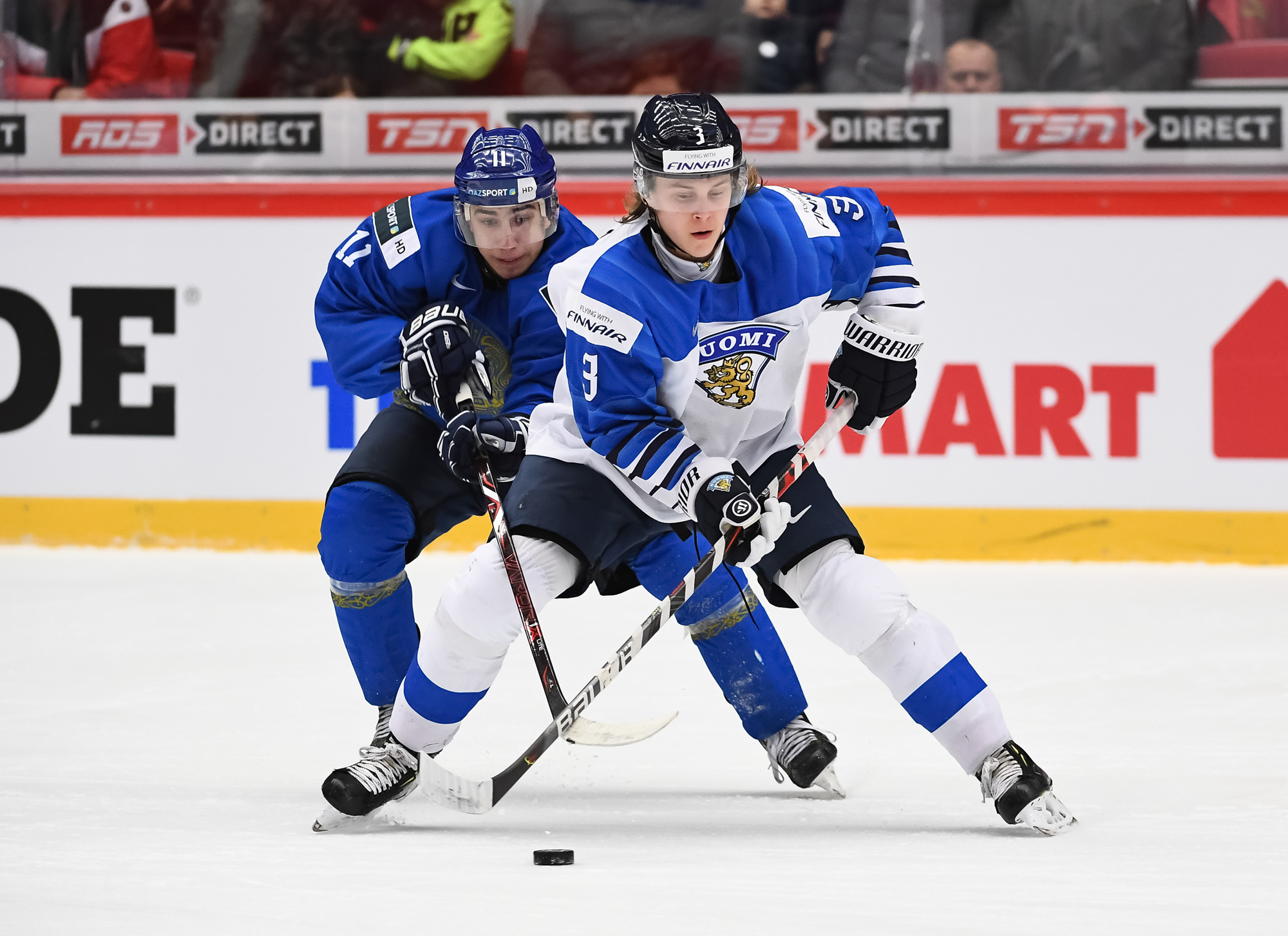 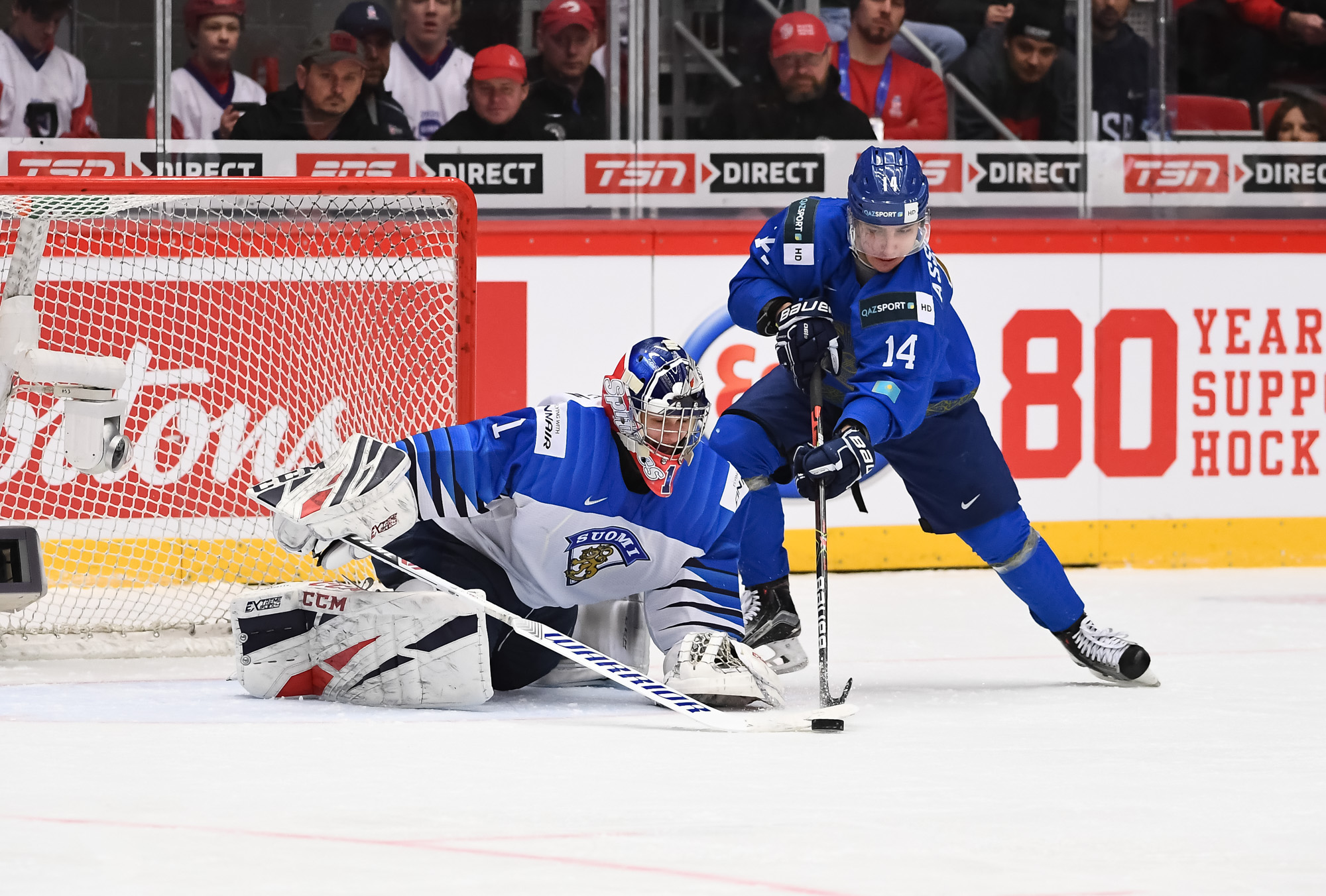 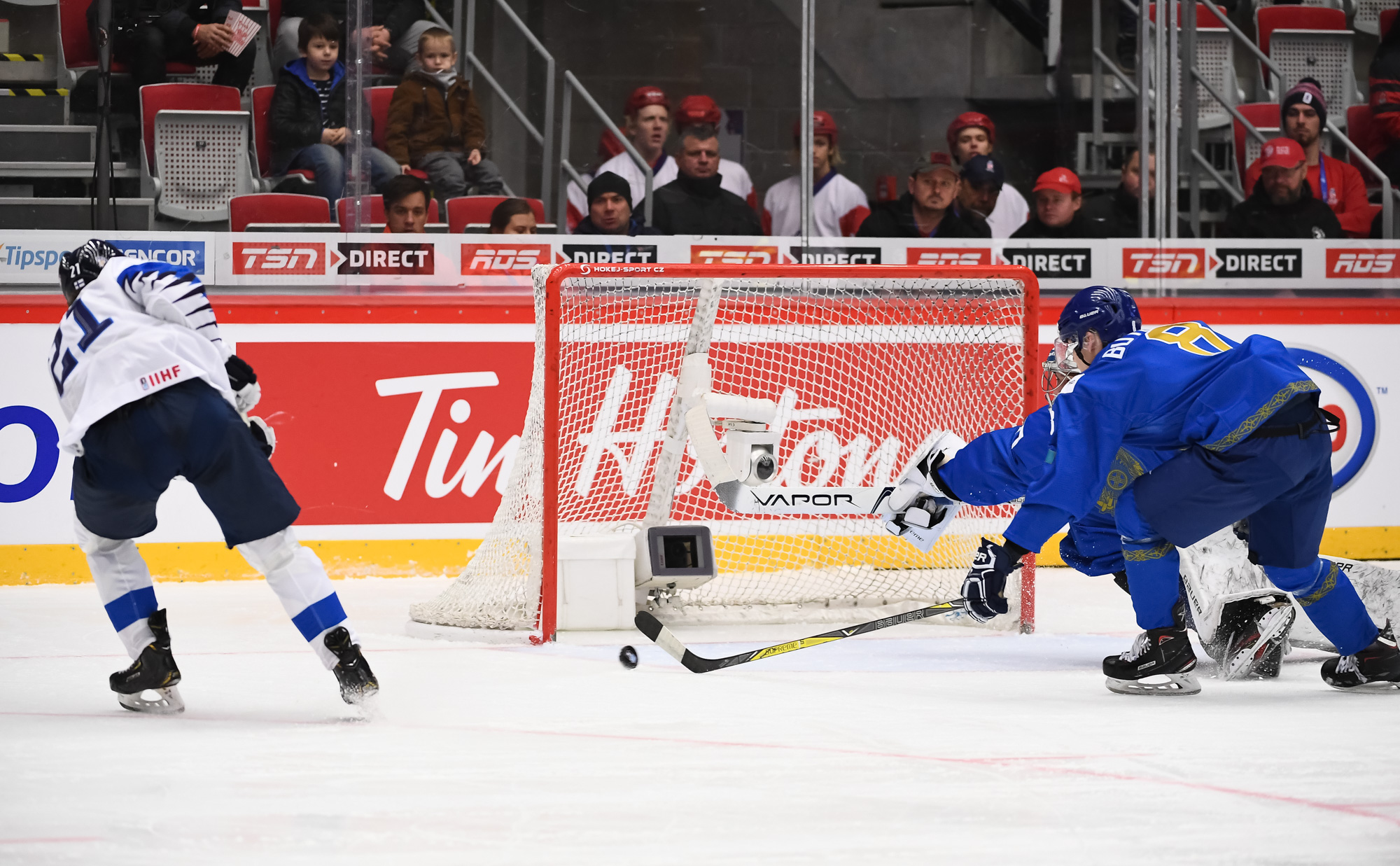 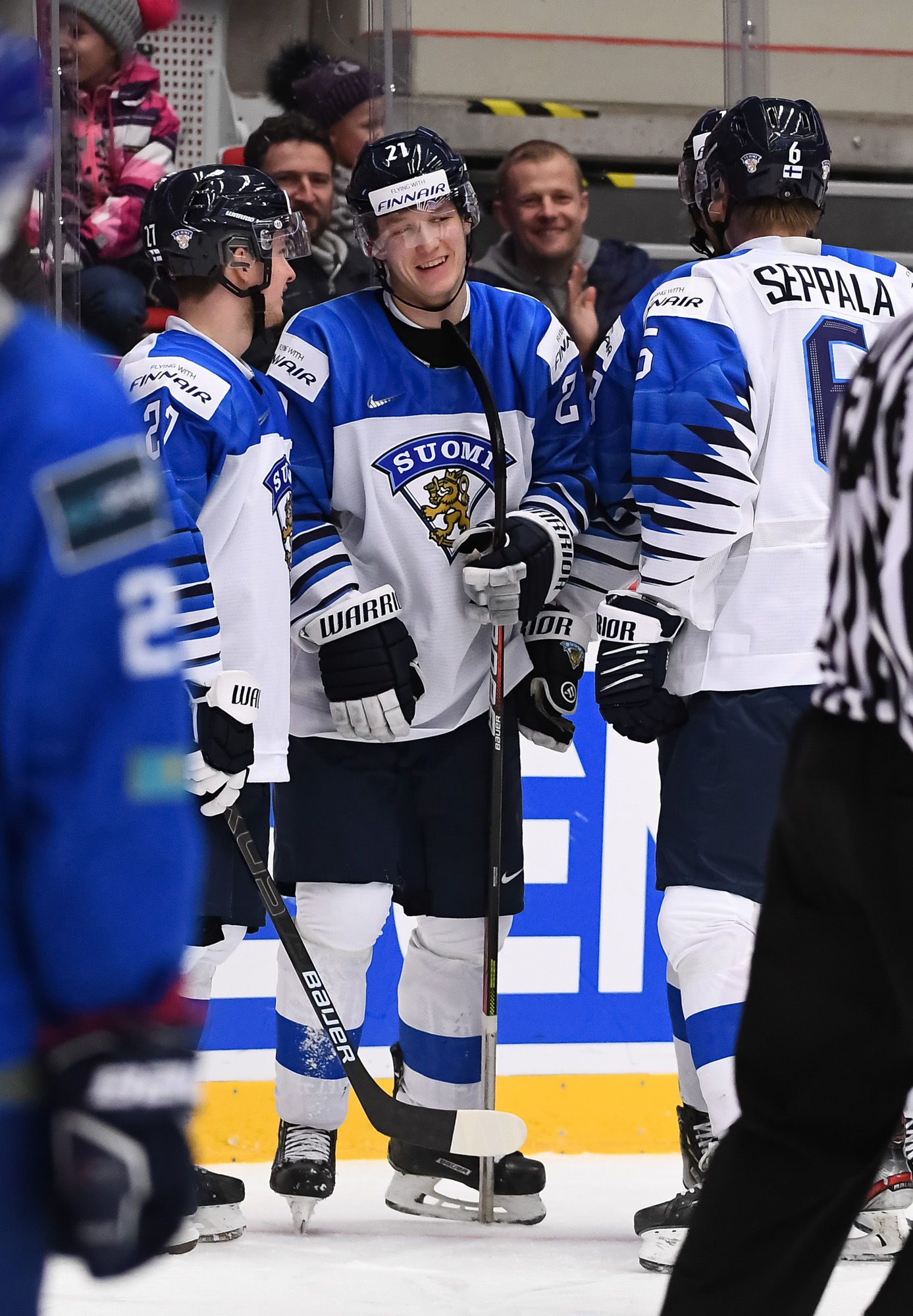 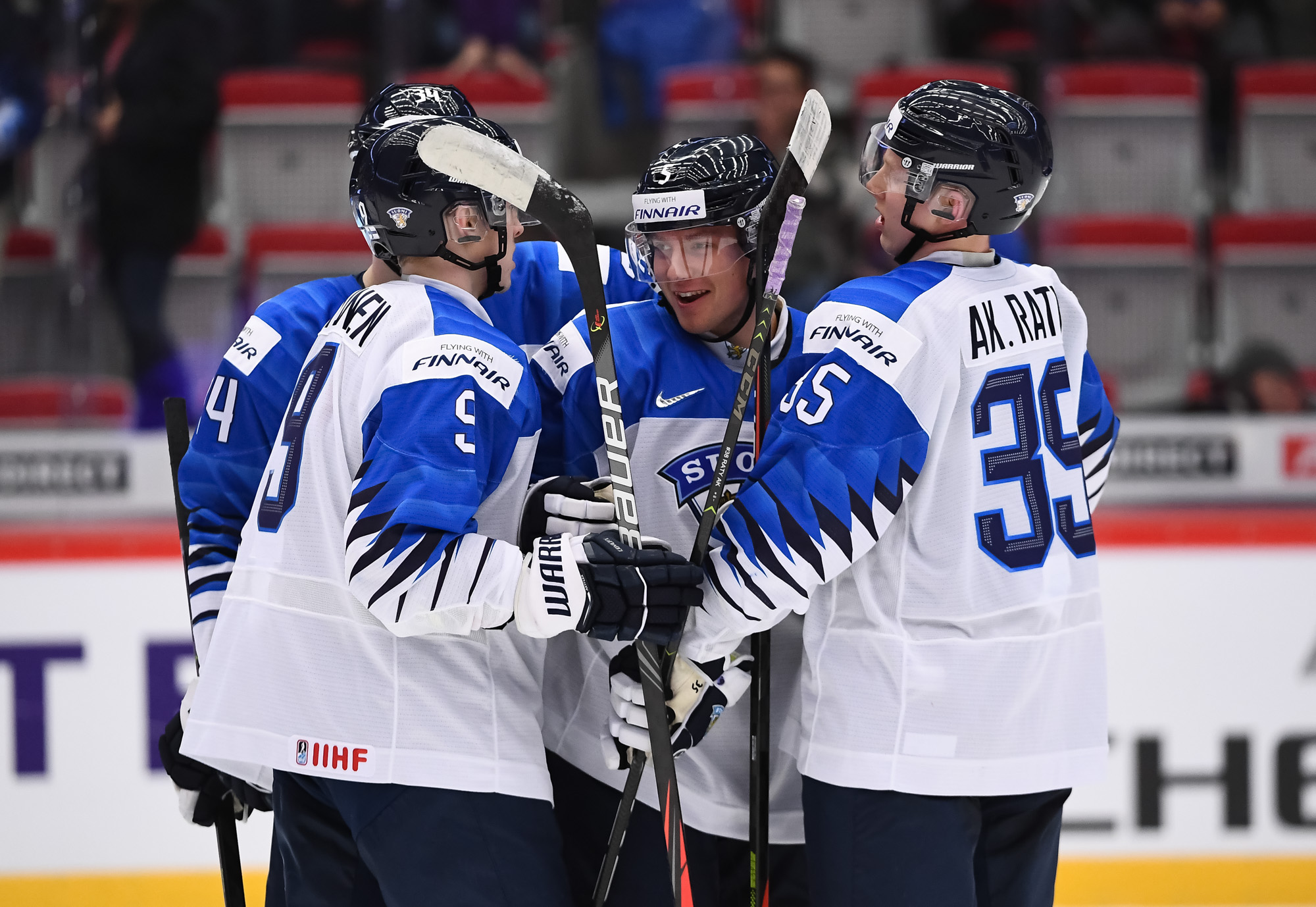 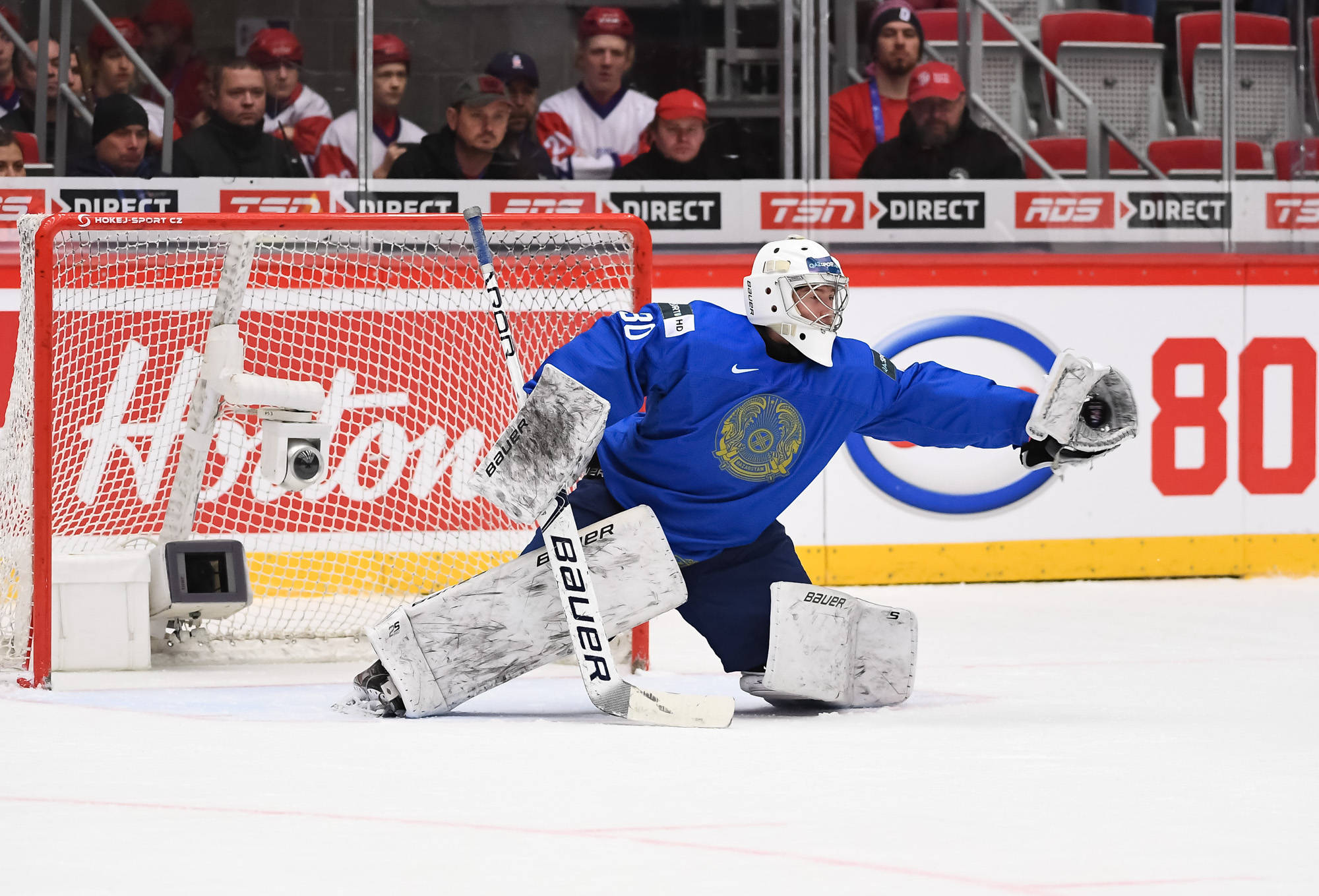 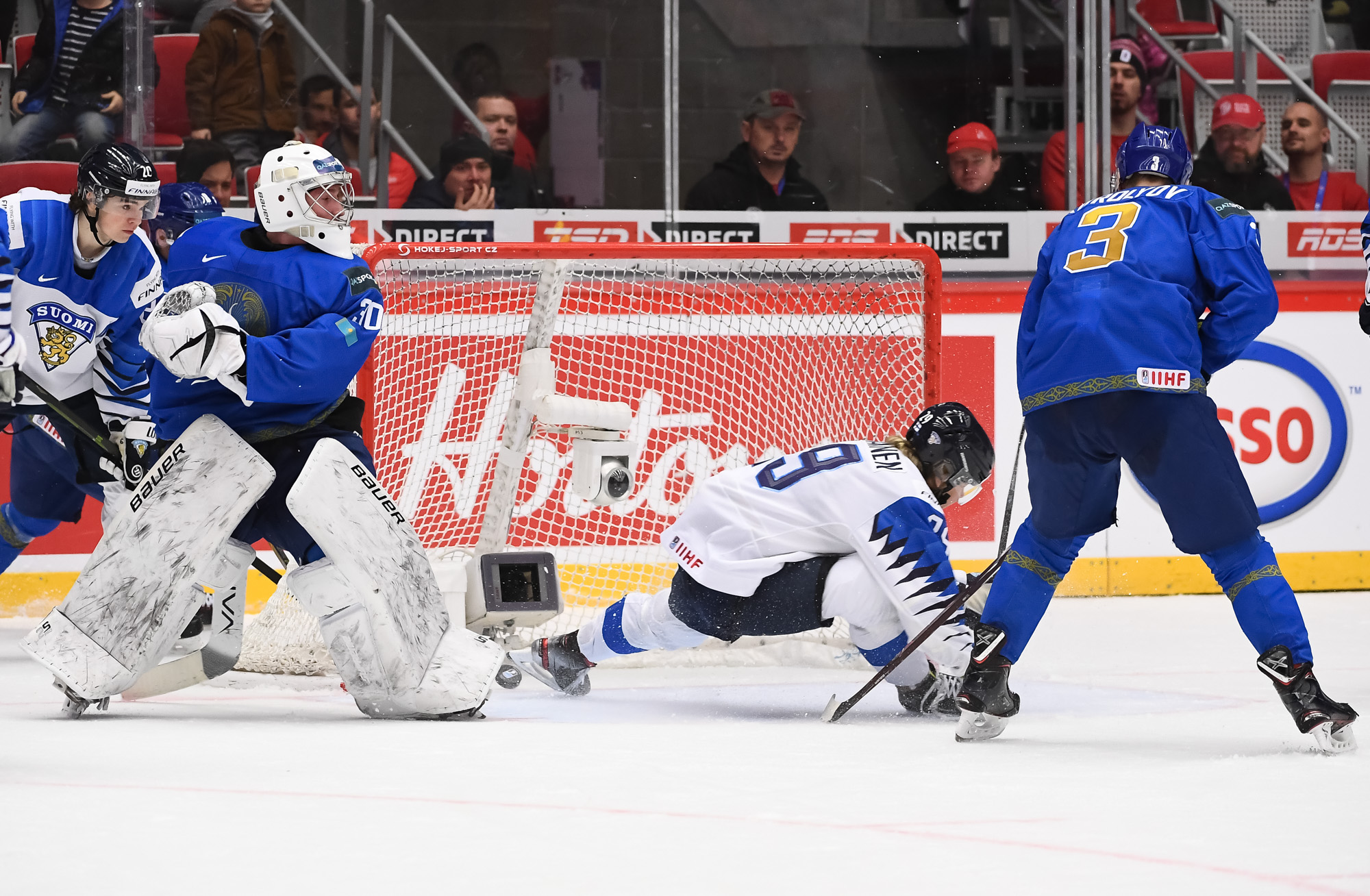 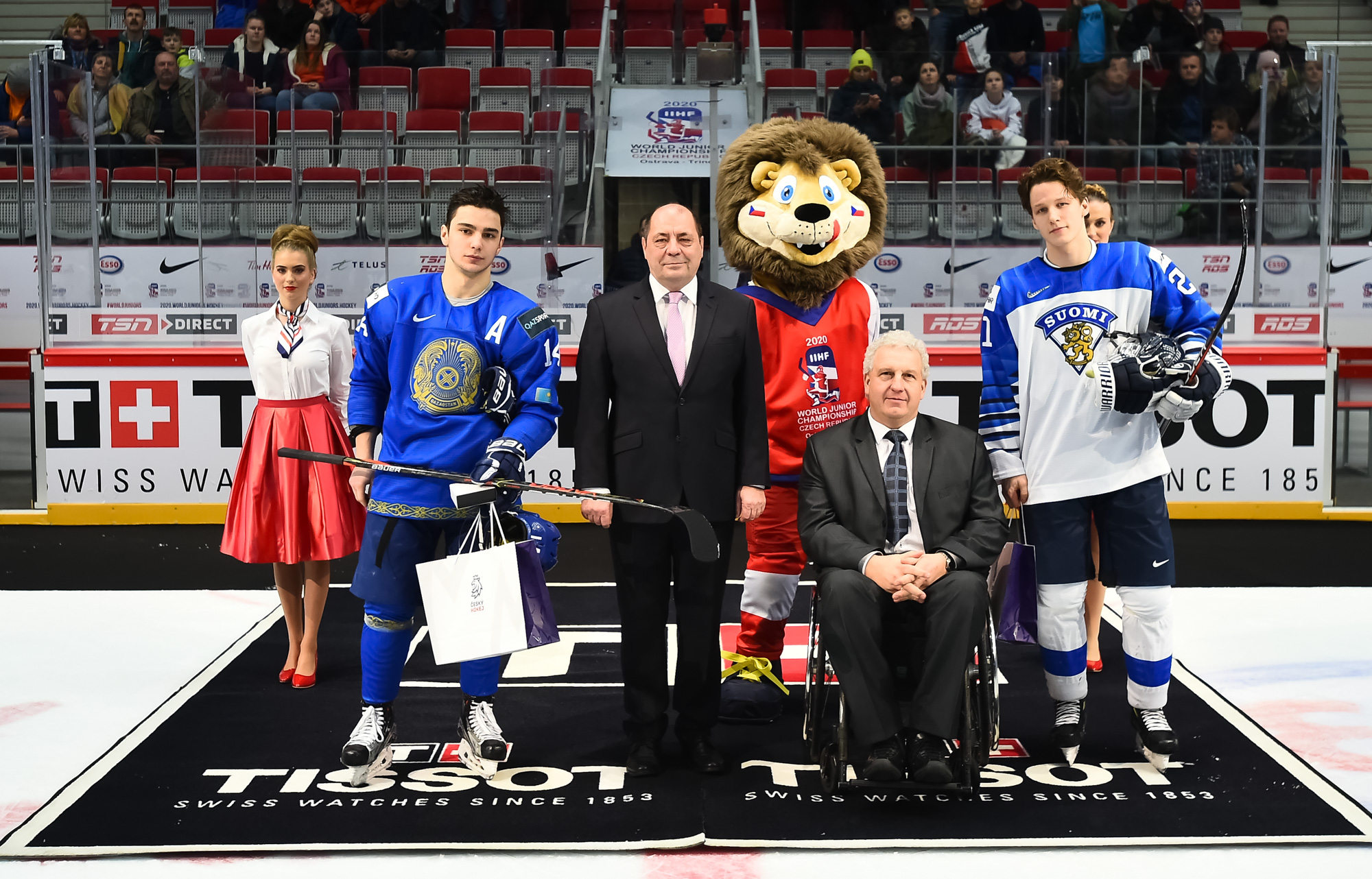 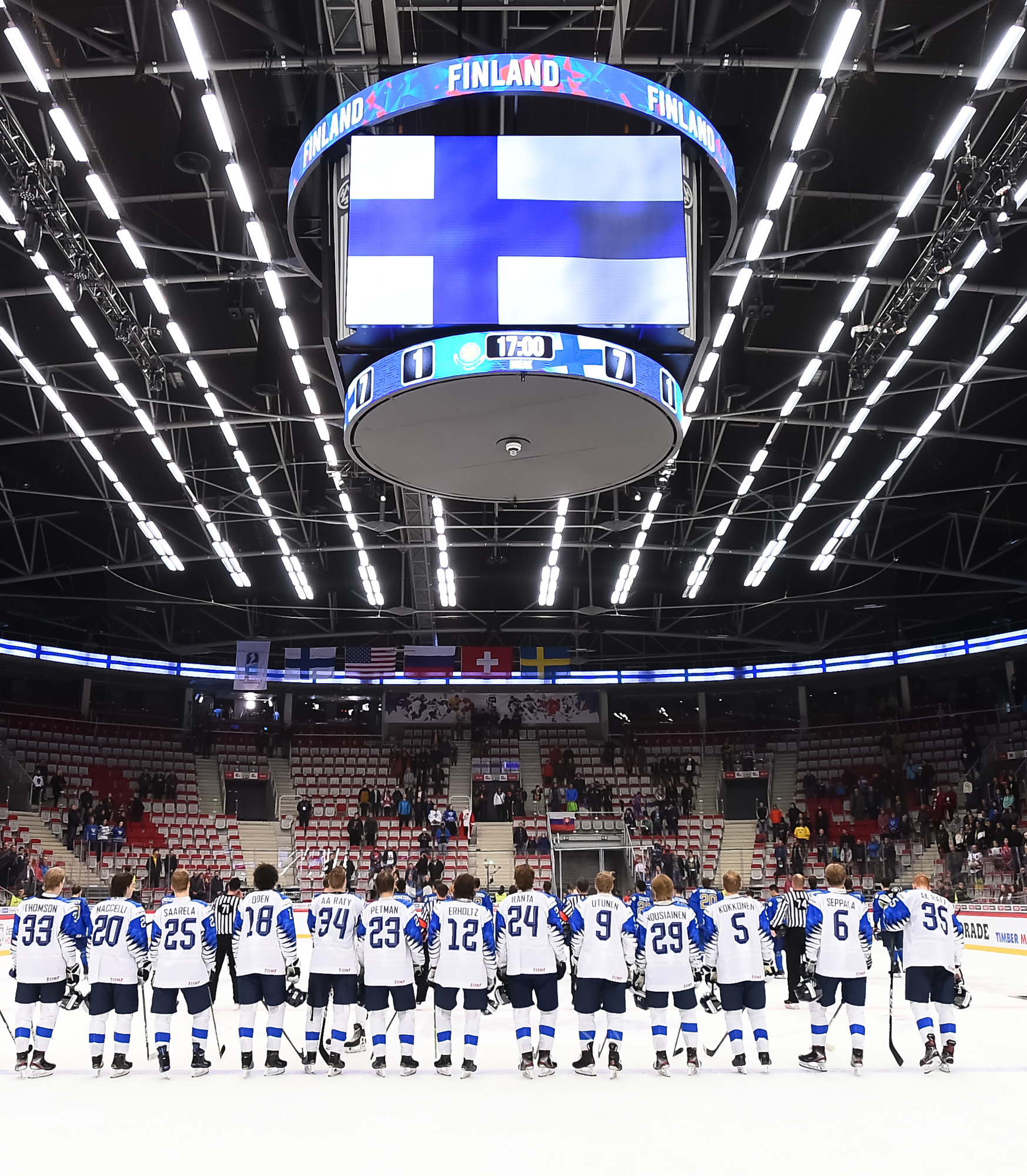 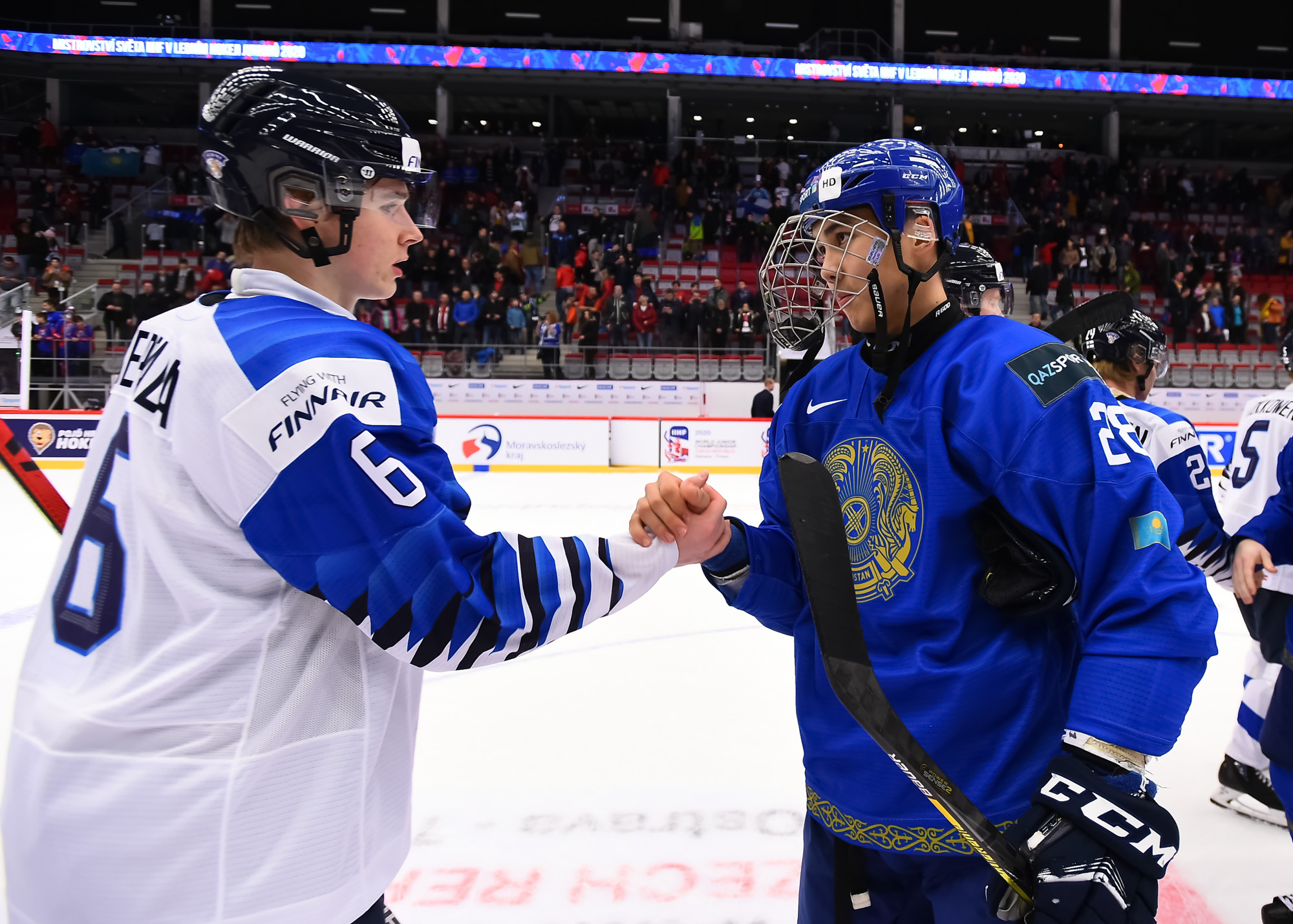 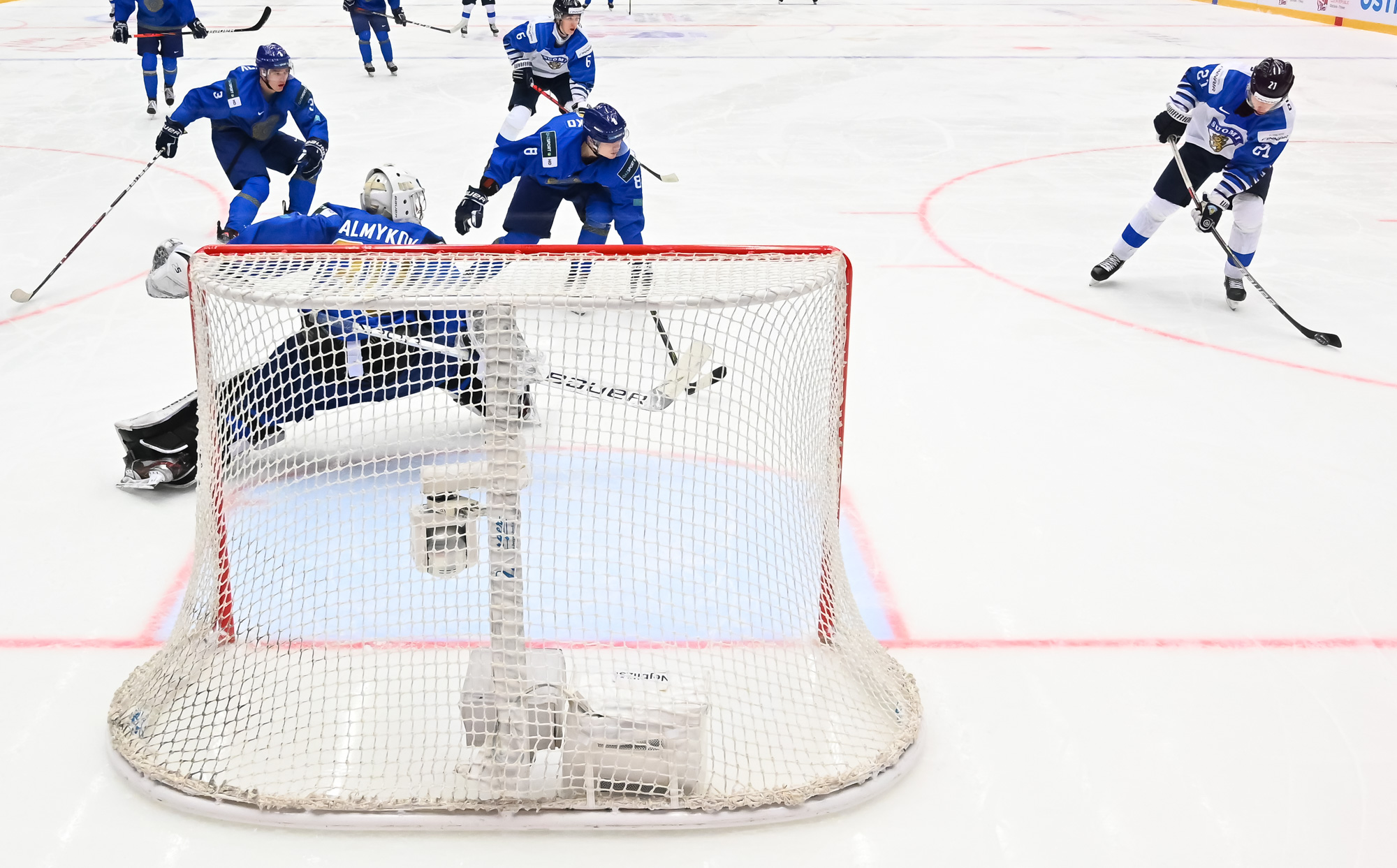 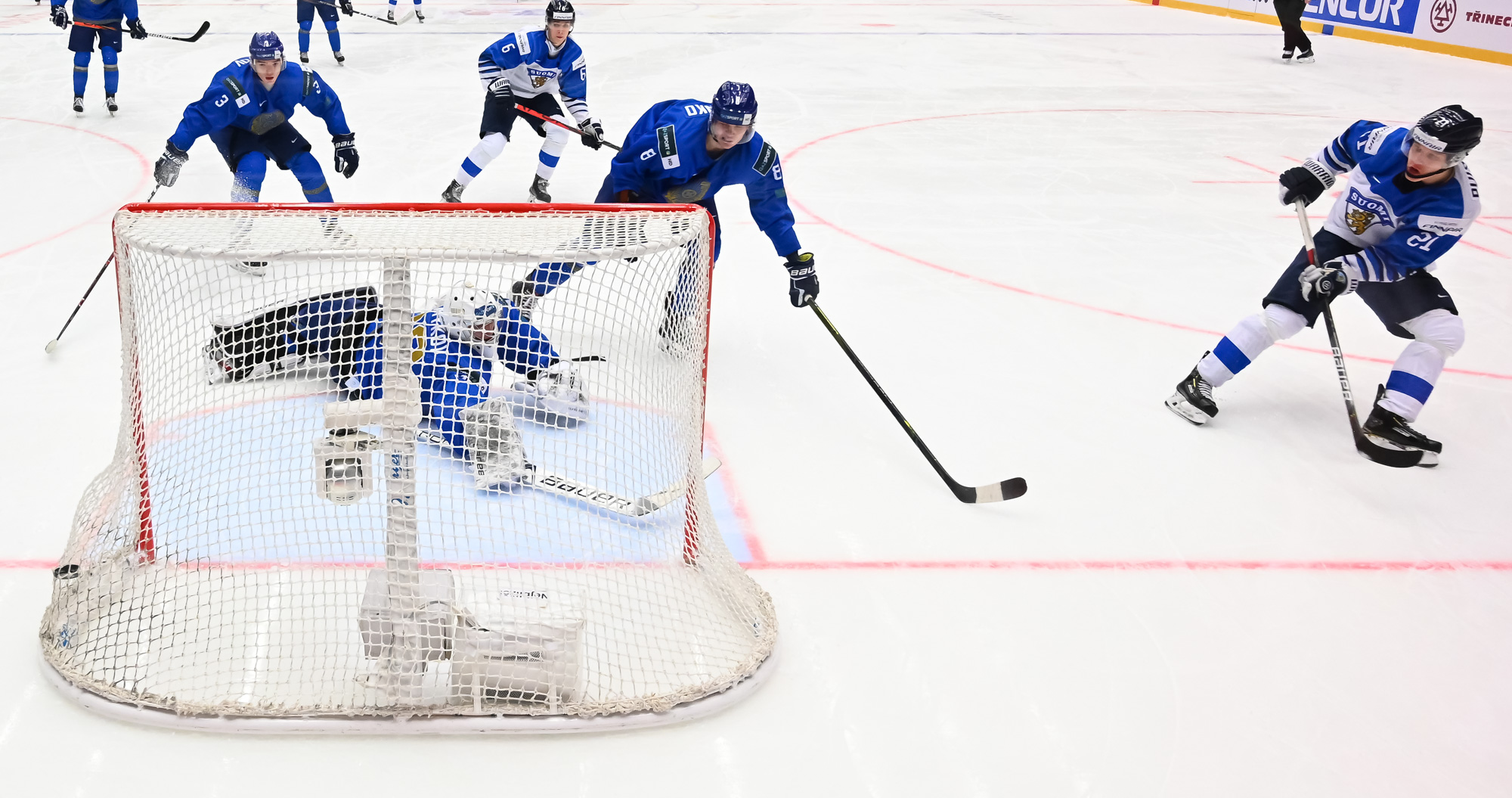 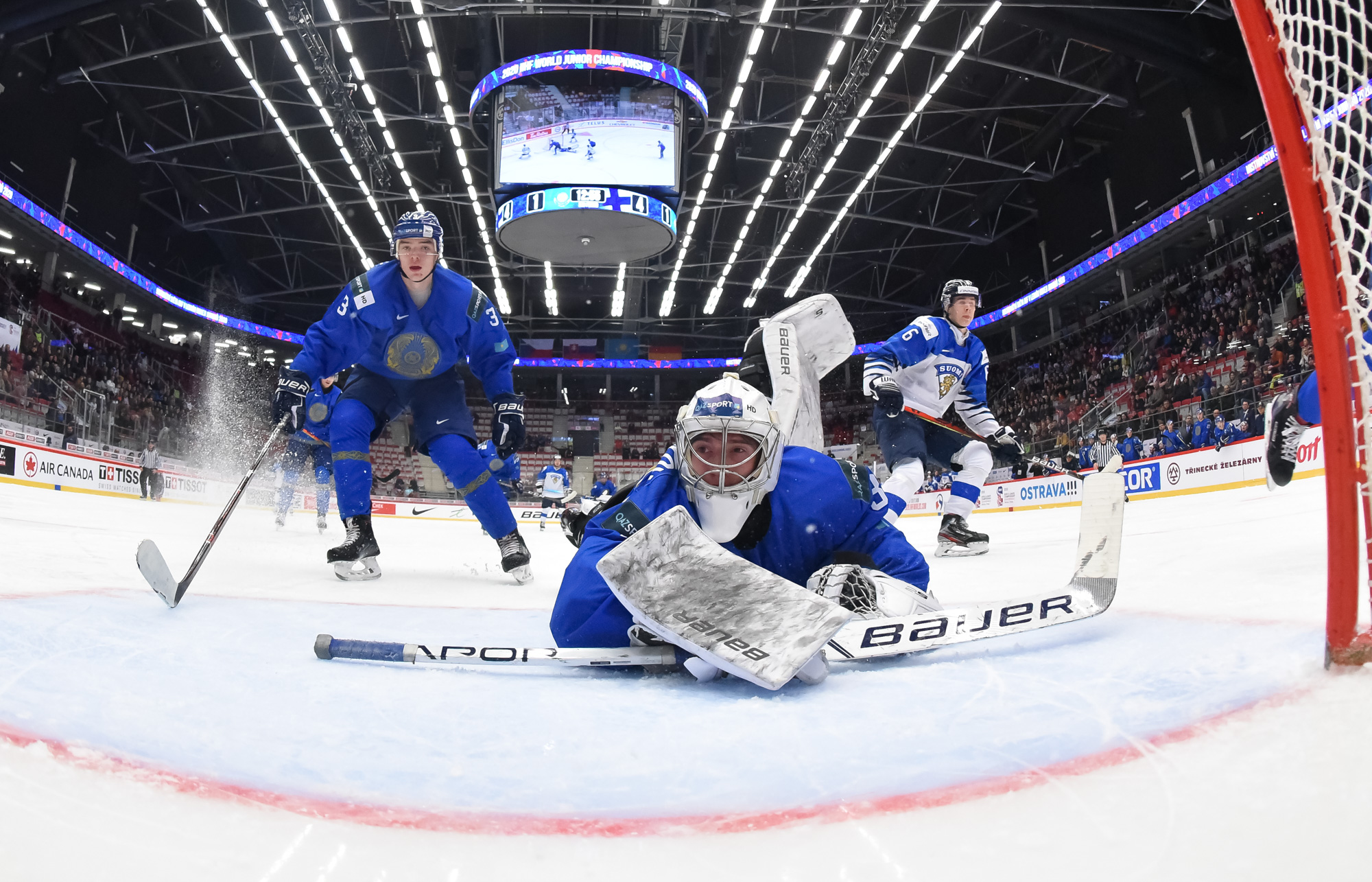 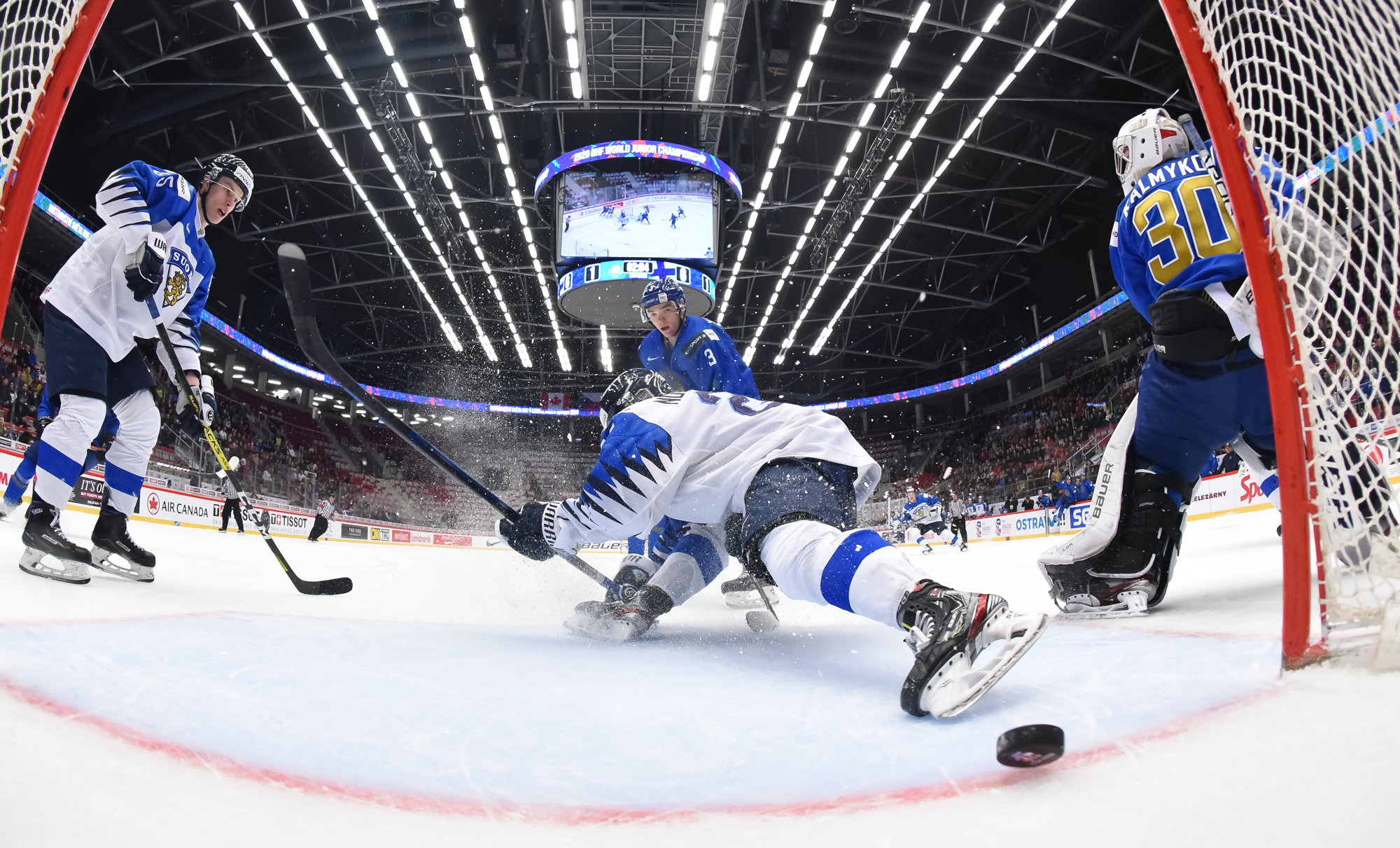 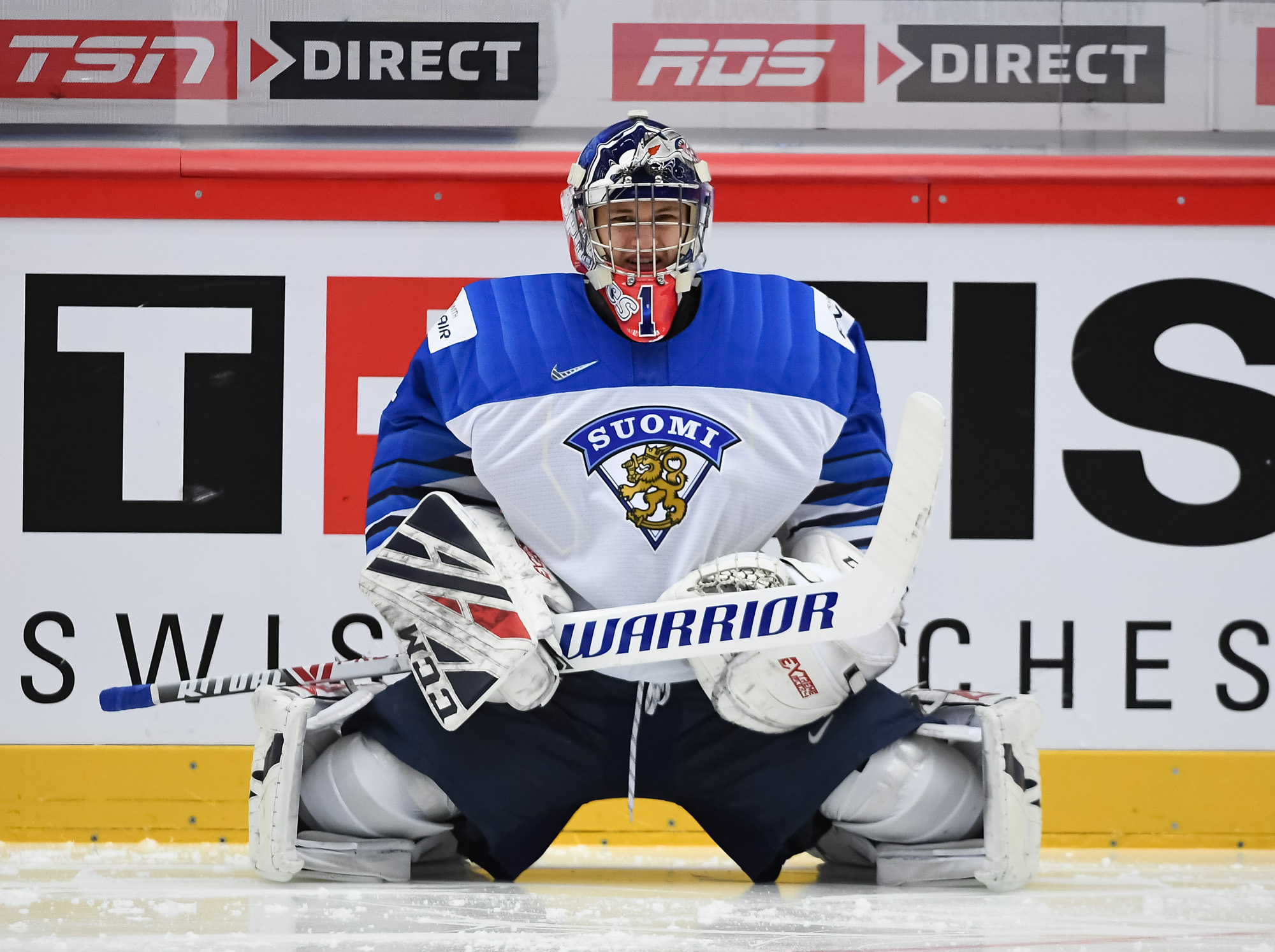 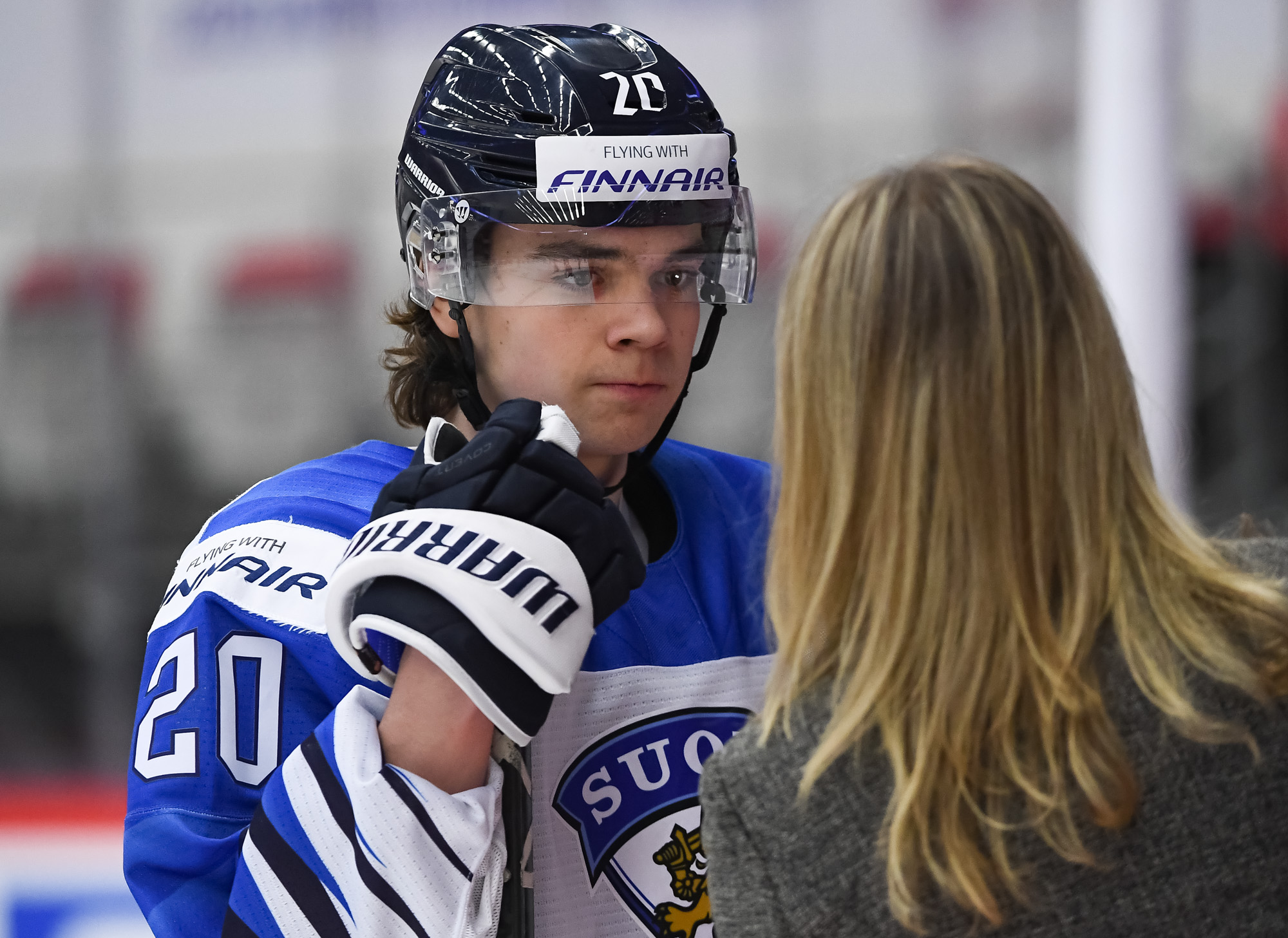