USA eases past Finland
Team USA's Makenna Webster skates up ice with the puck against Finland's Sanni Rantala.
photo: Steve Kingsman / HHOF-IIHF Images
share
Team USA began its World Championship campaign with a comfortable win over Finland. The Americans took some time to turn their control of the play into goals, but after scoring twice late in the middle frame there was no doubt about the outcome. Finland, meanwhile, battled hard to make a game of it but always struggled to generate the necessary offence to test last year’s silver medallist.

These teams last met a year ago in Japan, with the USA coasting to a 7-1 victory in the semi-final. That day, a four-goal first period set the tone for an overpowering American performance. Finland, though, recovered to take bronze in the tournament and came into this game determined to put on a more competitive display.

As is often the case in games between North American teams and their European counterparts at this level, a strong goaltender was crucial for the Finns in the first period. Team USA dominated the play, boasting a 15-3 advantage on the shot count. However, Aino Laitinen came up with most of the answers. The 17-year-old made her World Championship debut at last year’s tournament and was entrusted with the start here; she produced a solid show in the first period, beaten just once when the American power play broke the deadlock midway through the opening session.

That goal came from Abbey Murphy, back at this tournament for the third time. Initially it seemed she had taken too long and left herself with an awkward angle to the right of the Finnish net. However, despite stumbling as she shot, she squeezed the puck inside Laitinen’s near post.

However, it didn’t take long for Finland to reply. Seconds after taking the lead, the Americans were on the penalty kill and Kiira Yrjanen chased the puck down behind the net. Goalie Skylar Vetter was rushed into a clearance, Yrjanen intercepted and exchanged passes with Sofia Nuutinen before shooting home.

The Finns continued to make things difficult for team USA. Although Maura Crowell’s team had by far the better of the play, the Finnish defence kept things tight and Laitinen was equal to what came her way. It wasn’t until midway through the second period that the Americans regained the lead. Eden Lacey won possession in the corner behind her own net and set off up the ice. She picked out Clara Van Wieren in centre ice and the Michigan native scored on Laitinen at the second attempt.

And with one second to play in the middle frame, the Americans took a commanding two-goal lead. Captain Maggie Nicholson played a defence-splitting pass from her own zone to release Audrey Wethington for her first goal in World Championship play. Any hopes of a Finnish fightback were extinguished in the first minute of the third period when Rory Guilday added a fourth, marking her first international appearance with a goal fired home from the top of the circle.

That concluded the scoring as the Americans celebrated a winning start to this year’s tournament in Bratislava and maintained its perfect record in IIHF play against the Finns.

US Head Coach Maura Crowell was happy with her team's start in Bratislava. "I thought it was a really good start to the tournament for us,” she said. “It was a lot of people’s first time wearing the uniform on a big stage. As you watched the game, we got better and better as the periods went on. That’s what we talk about as part of our program. We want to improve and constantly get better and I think we did that.”
USA vs. Finland - 2020 IIHF Ice Hockey U18 Women's World Championship 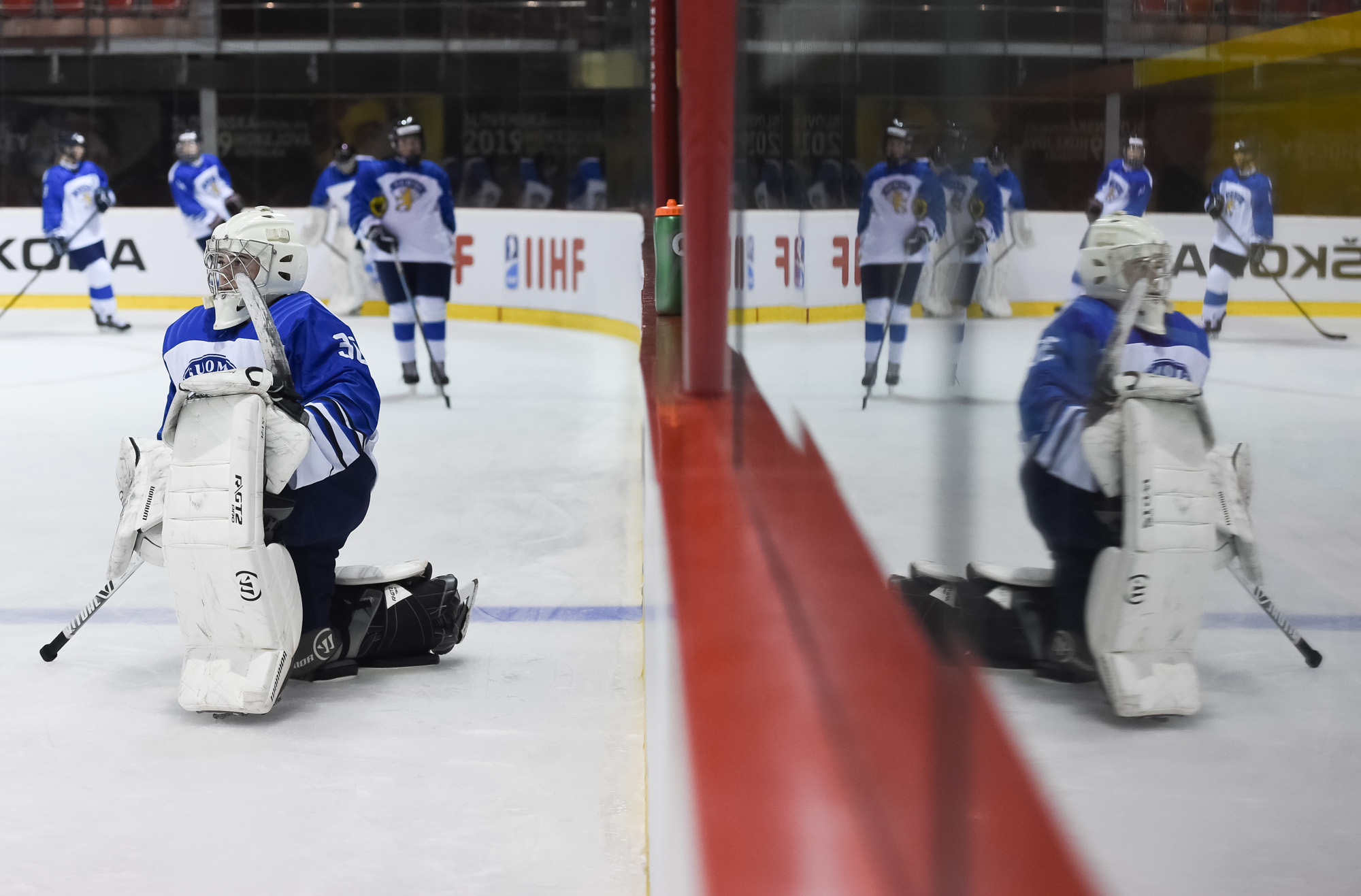 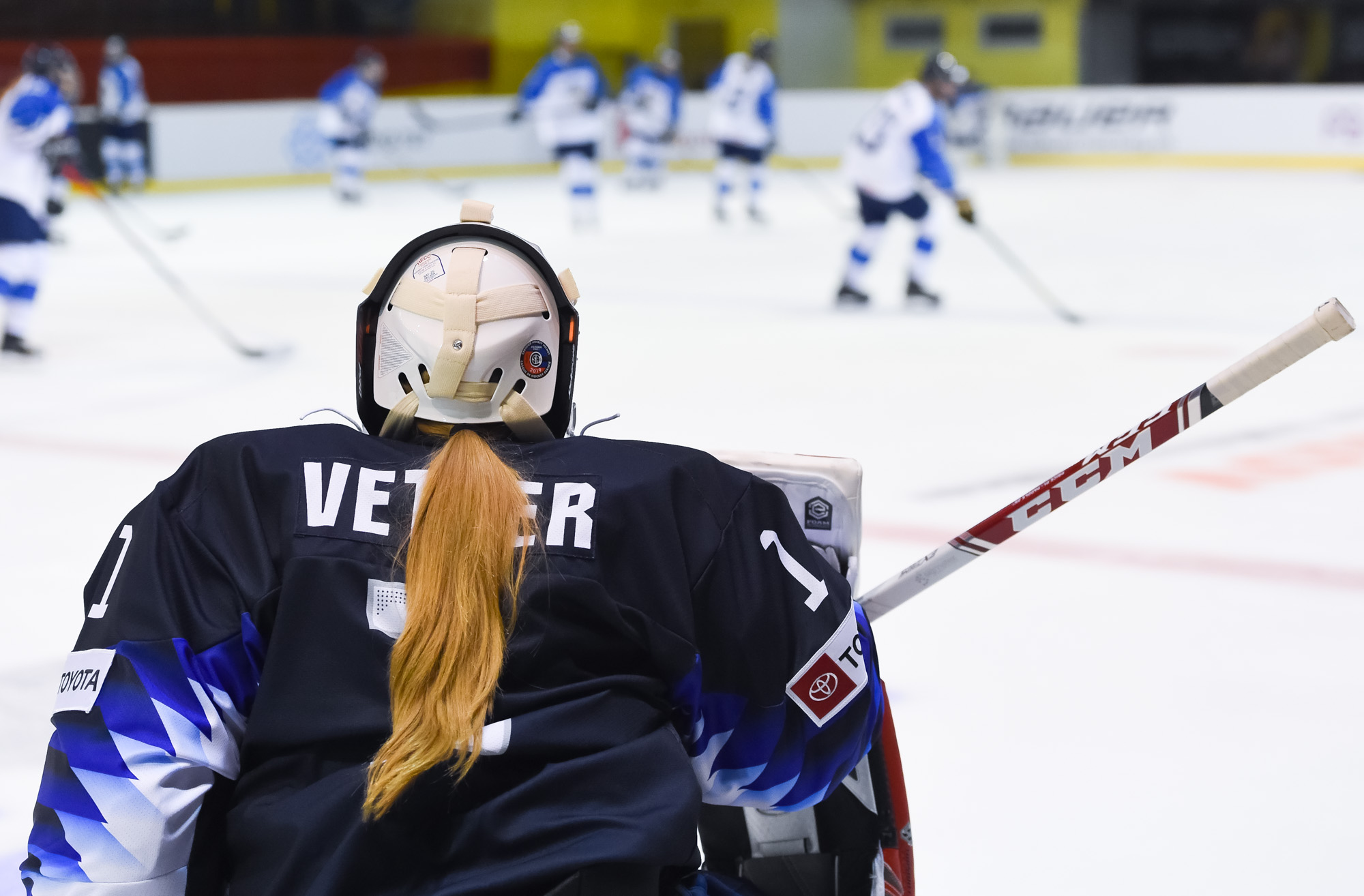 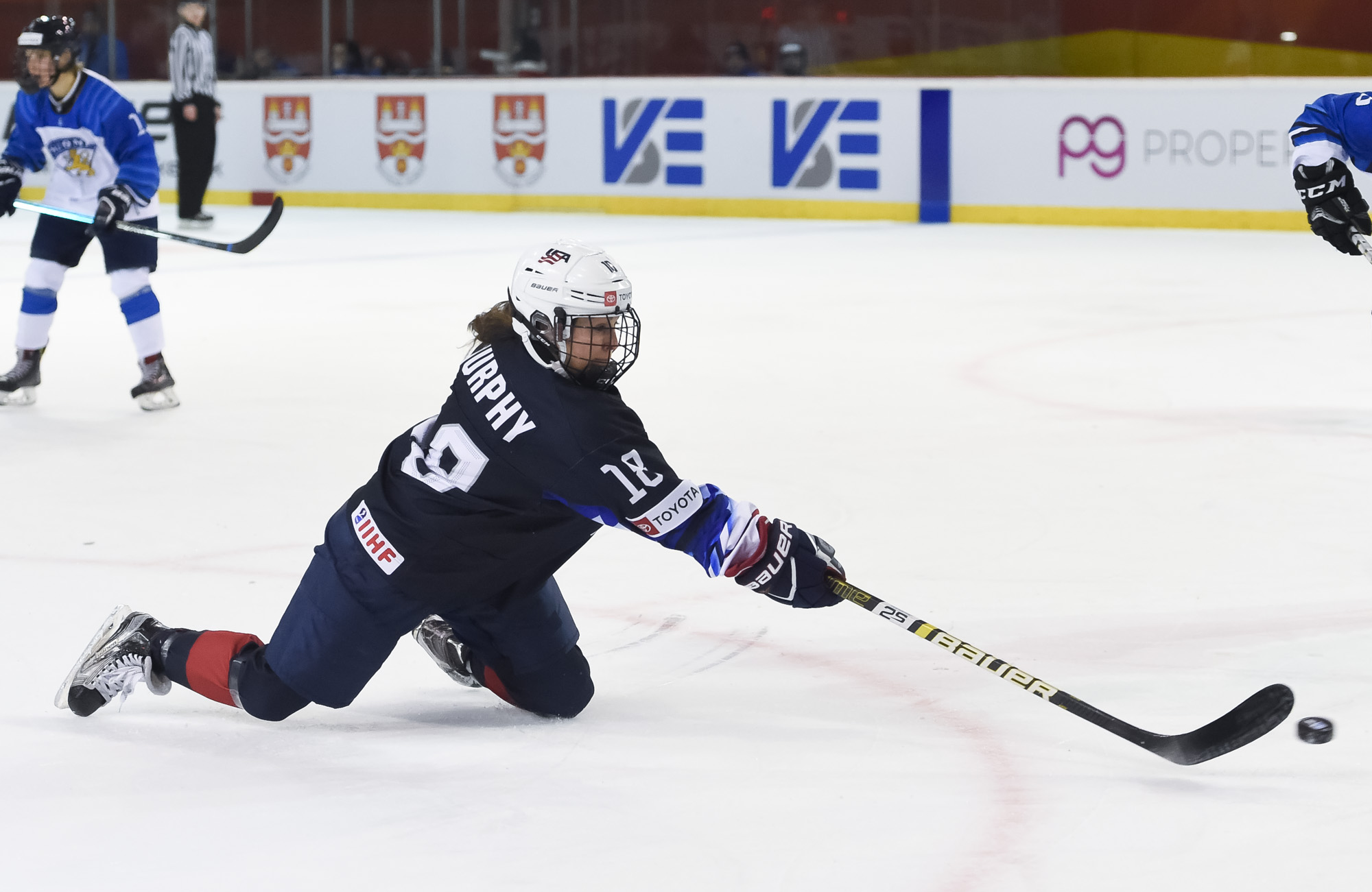 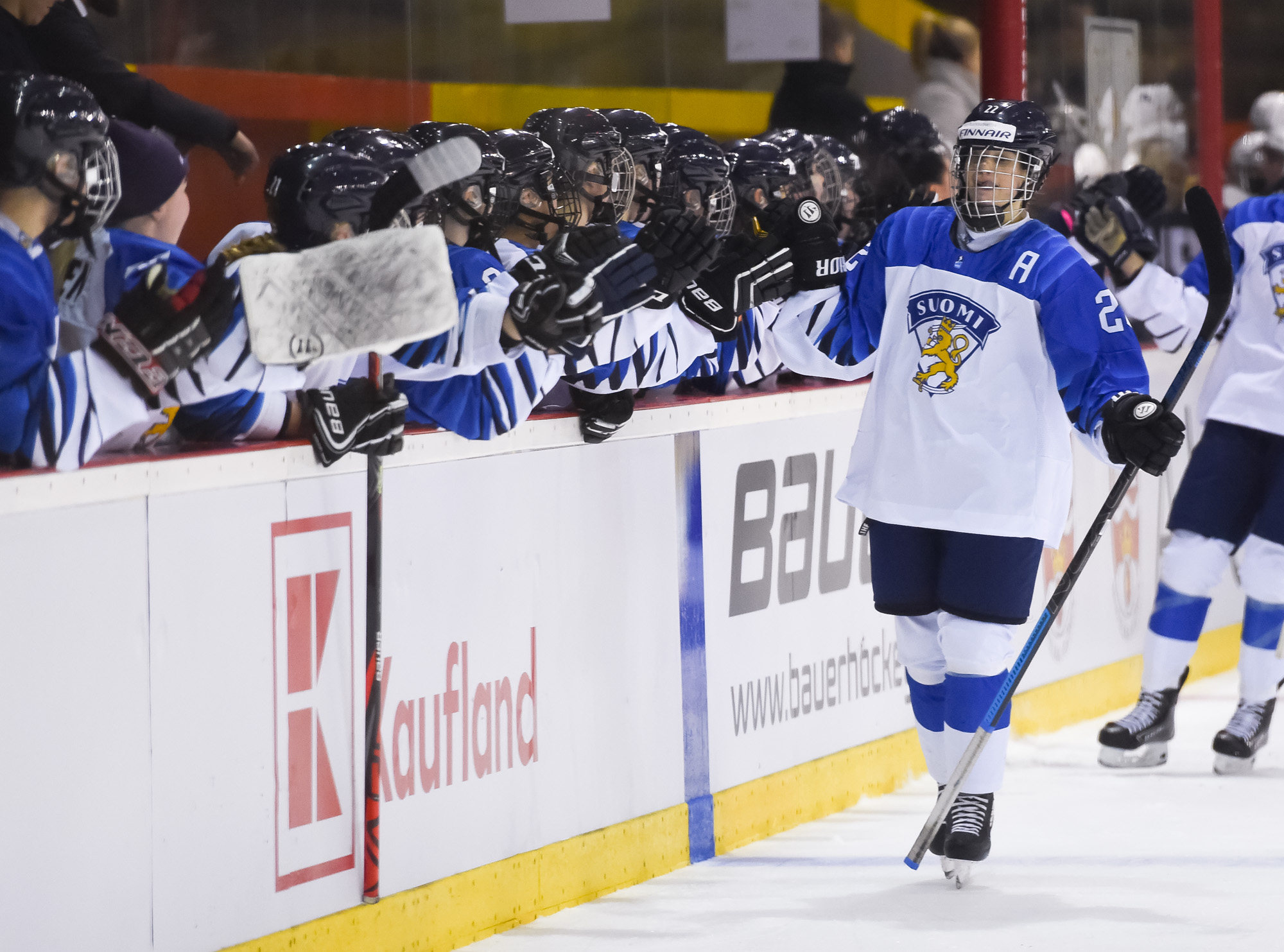 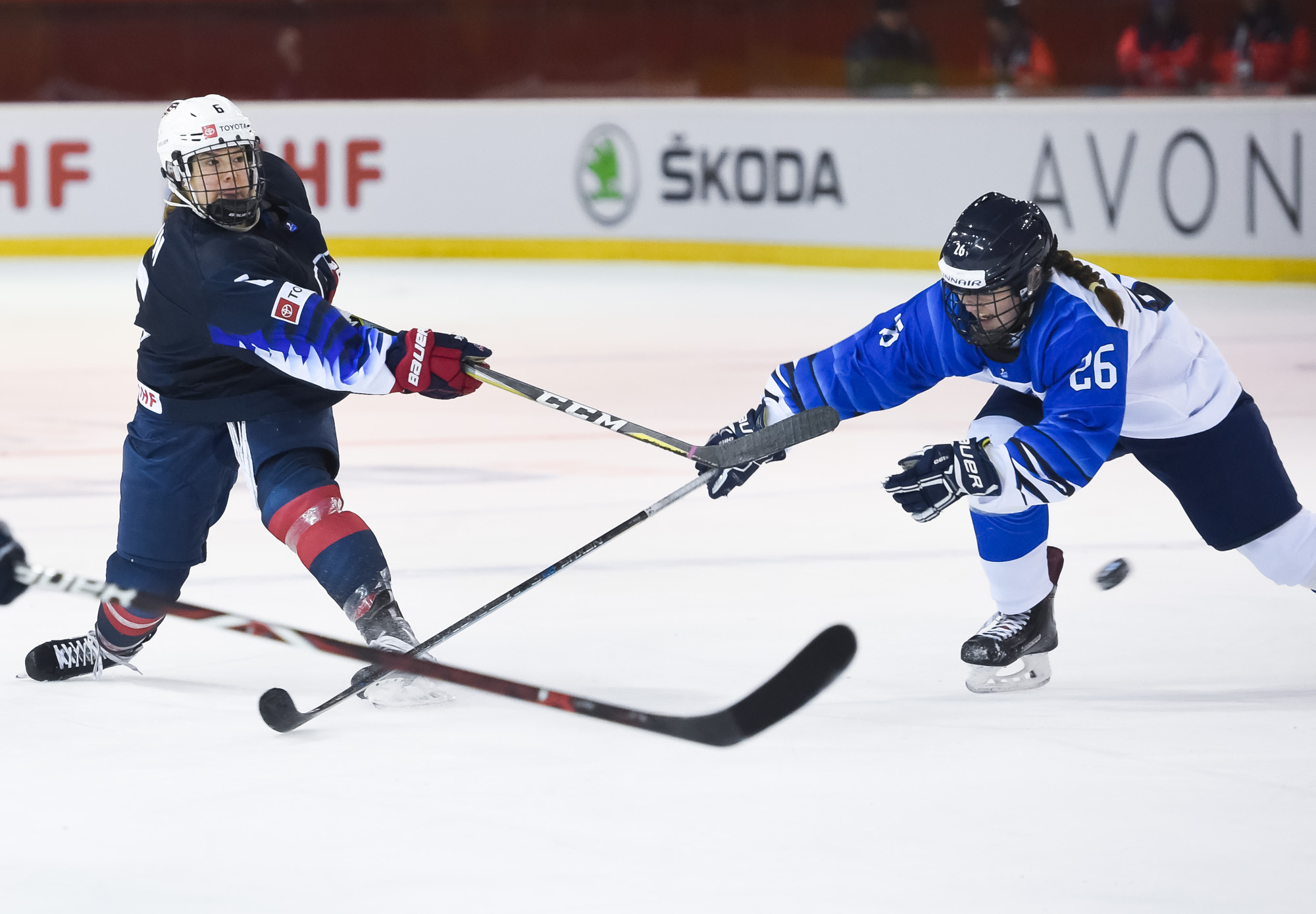 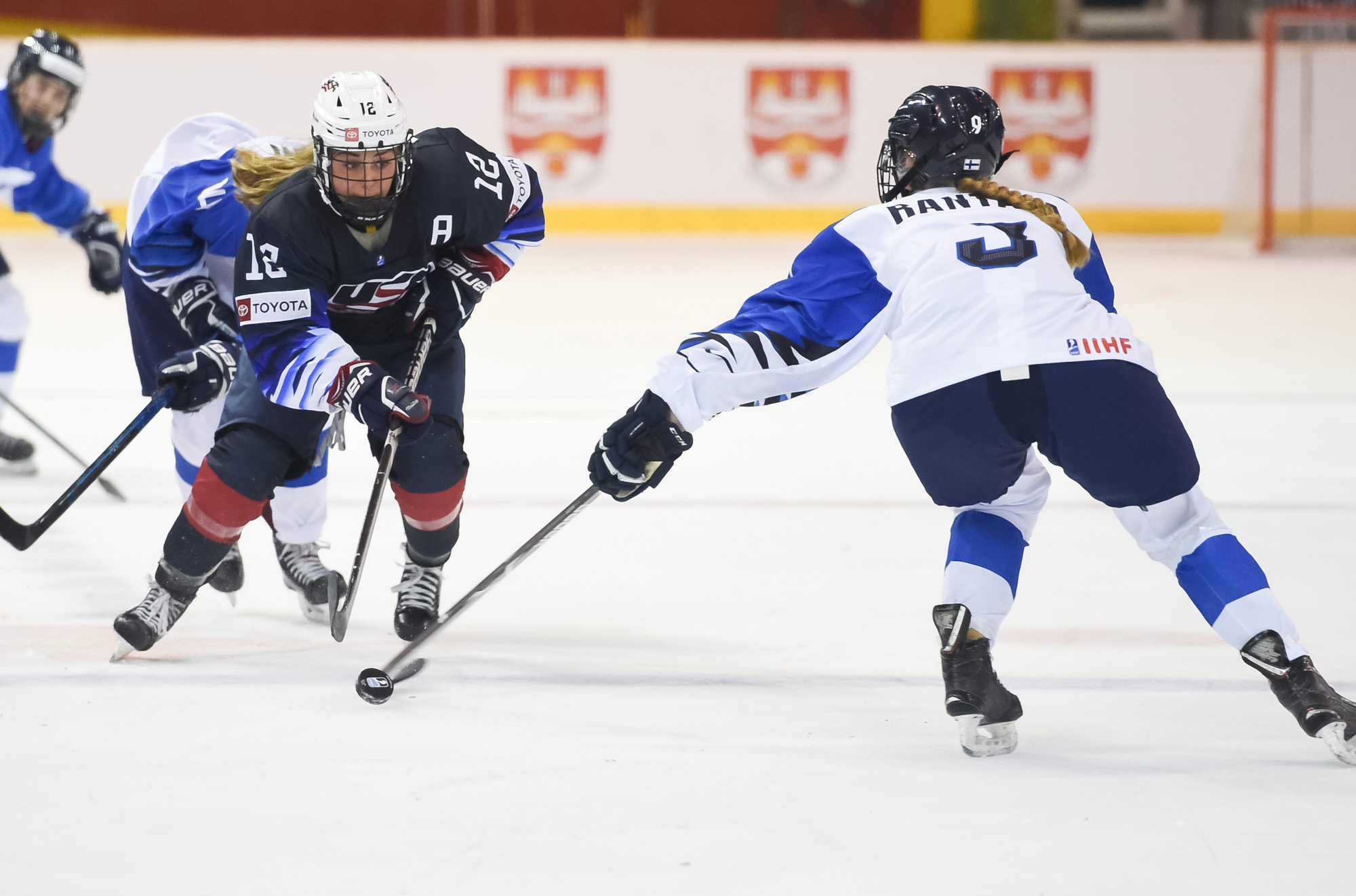 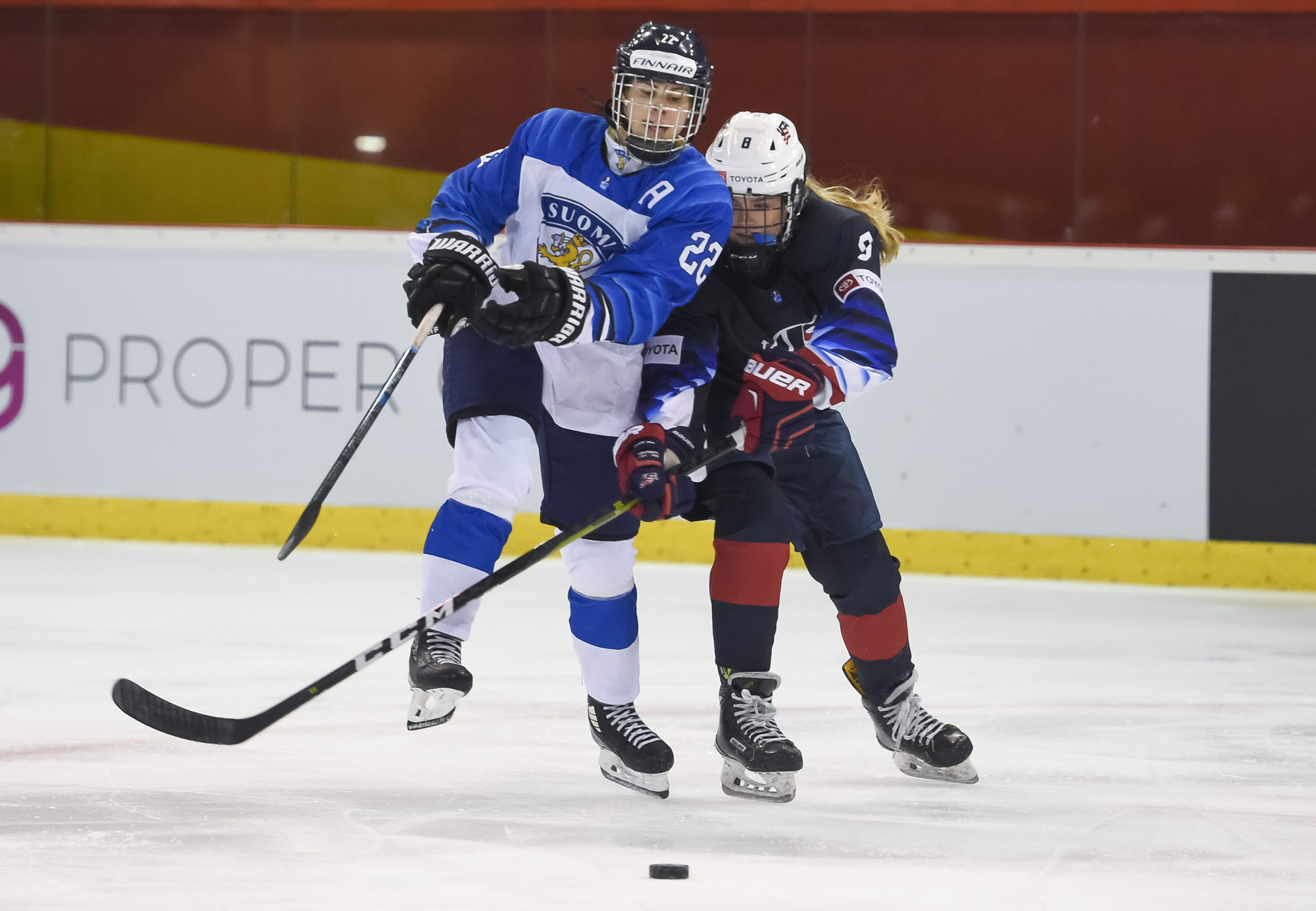 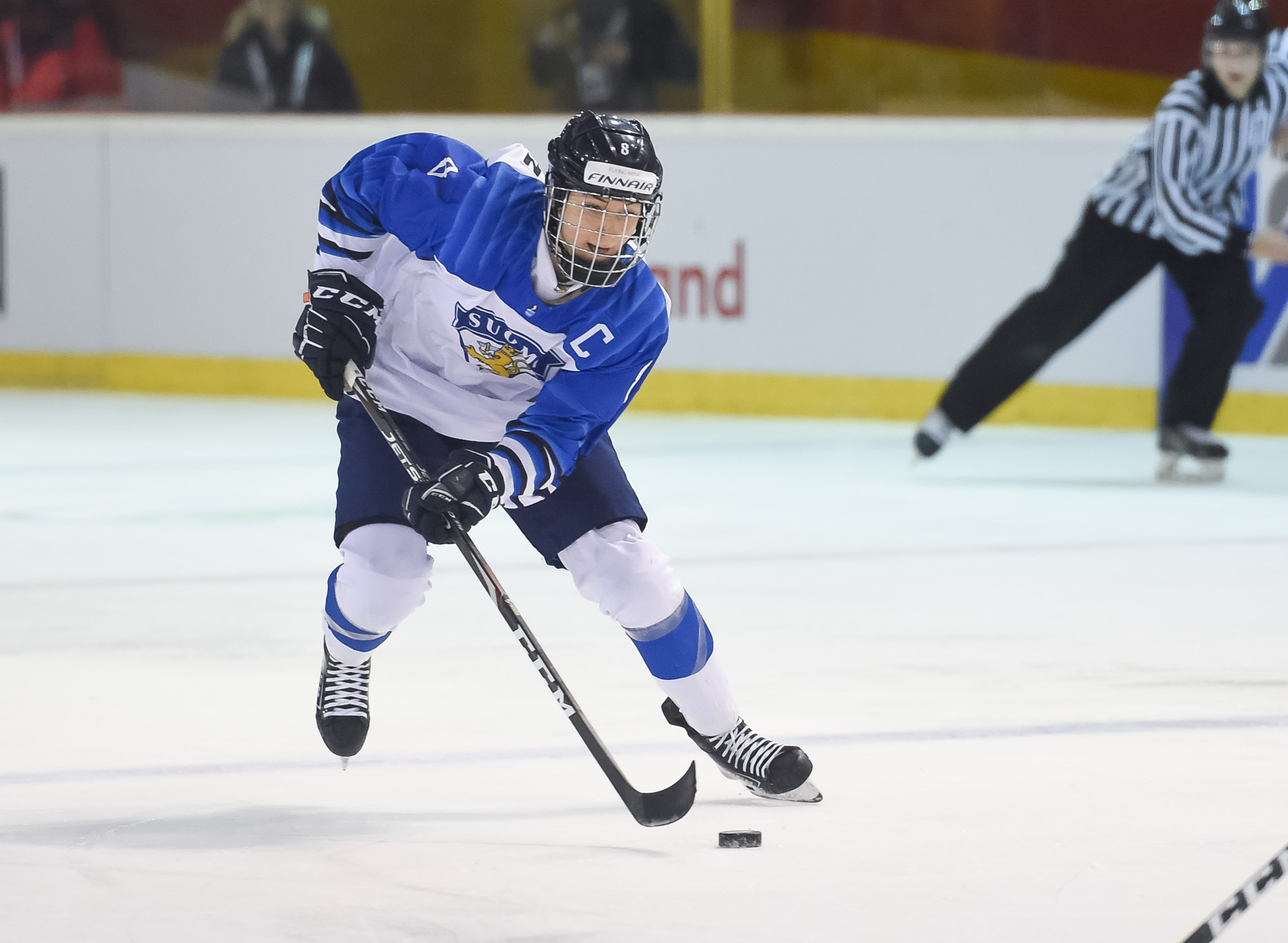 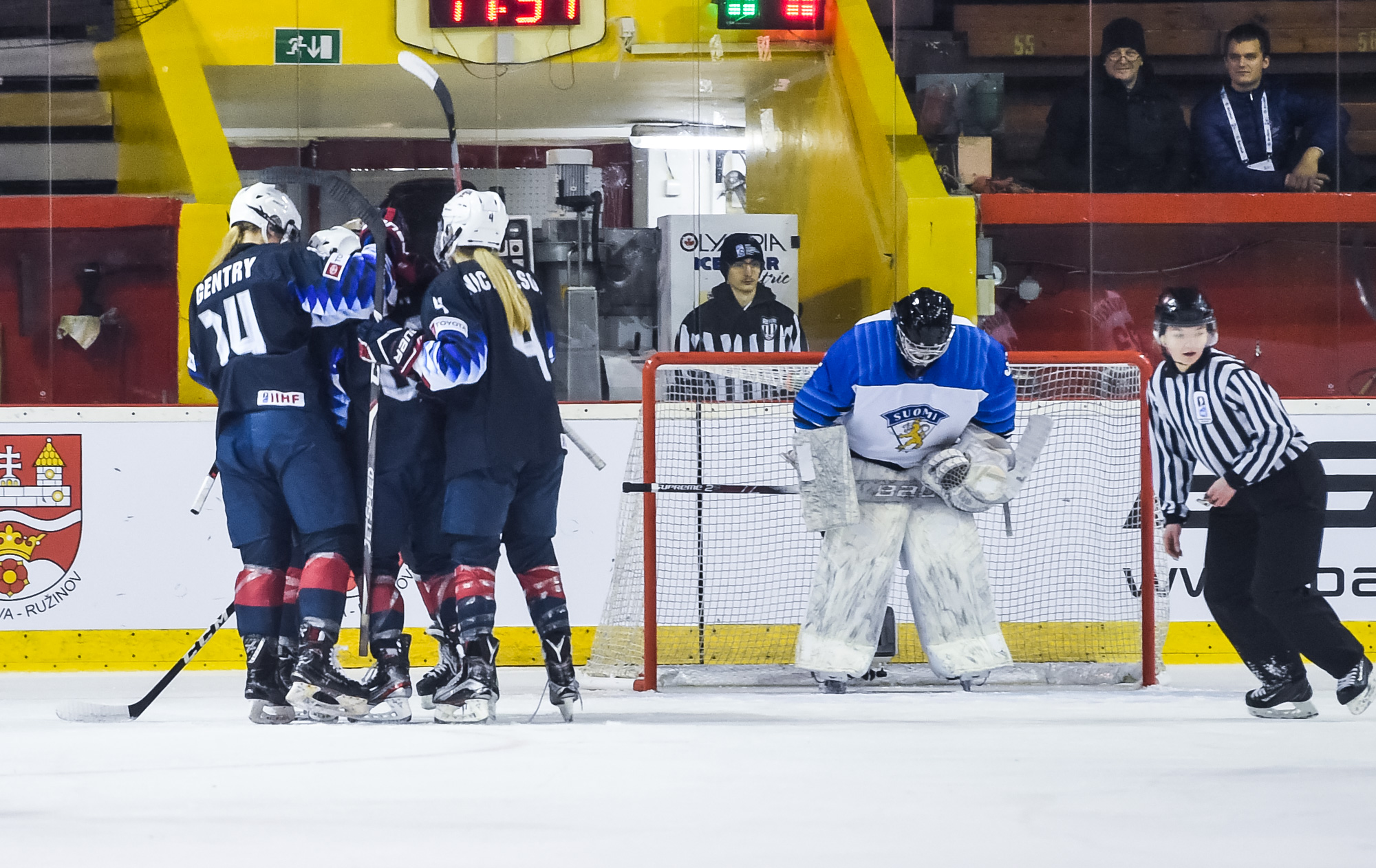 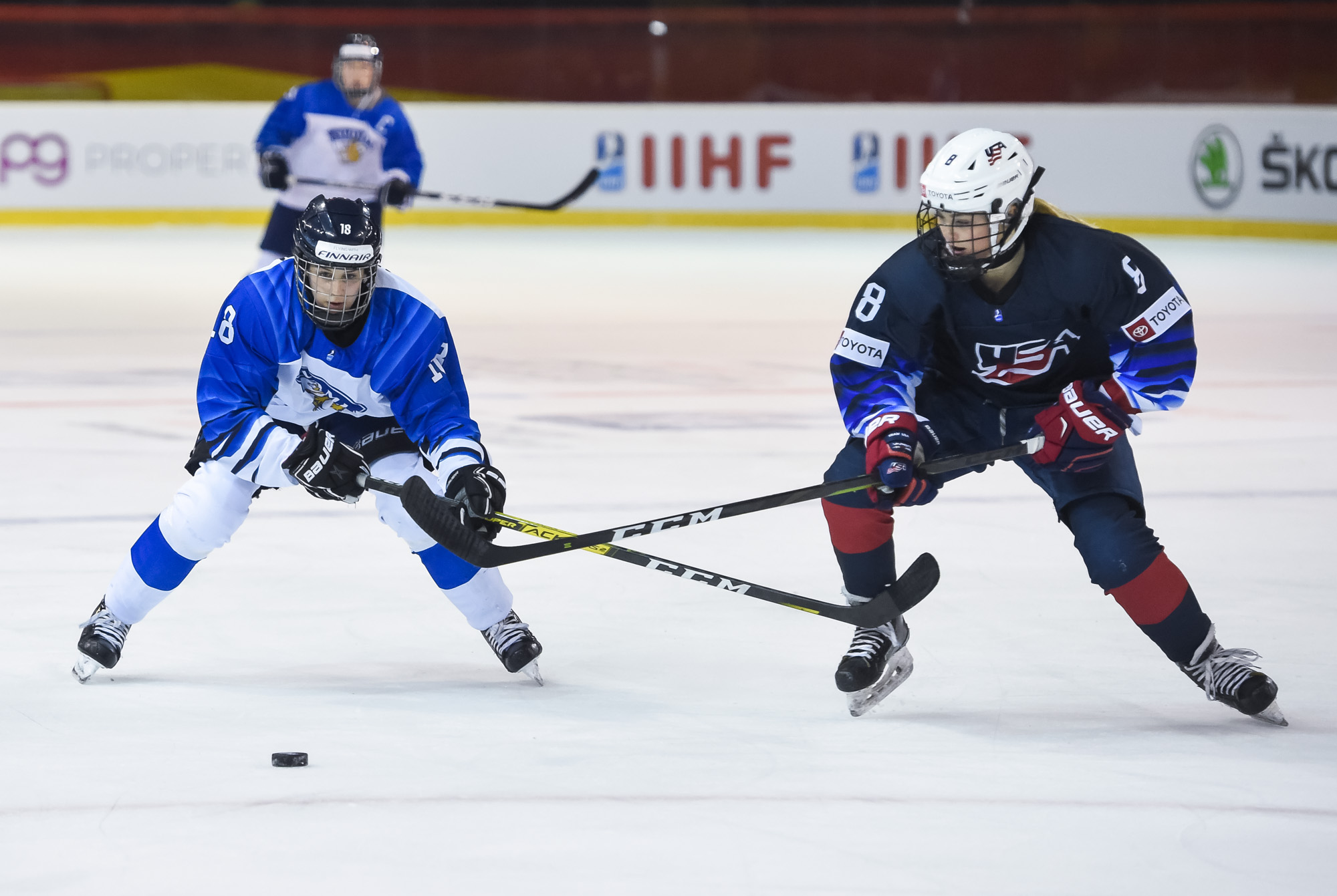 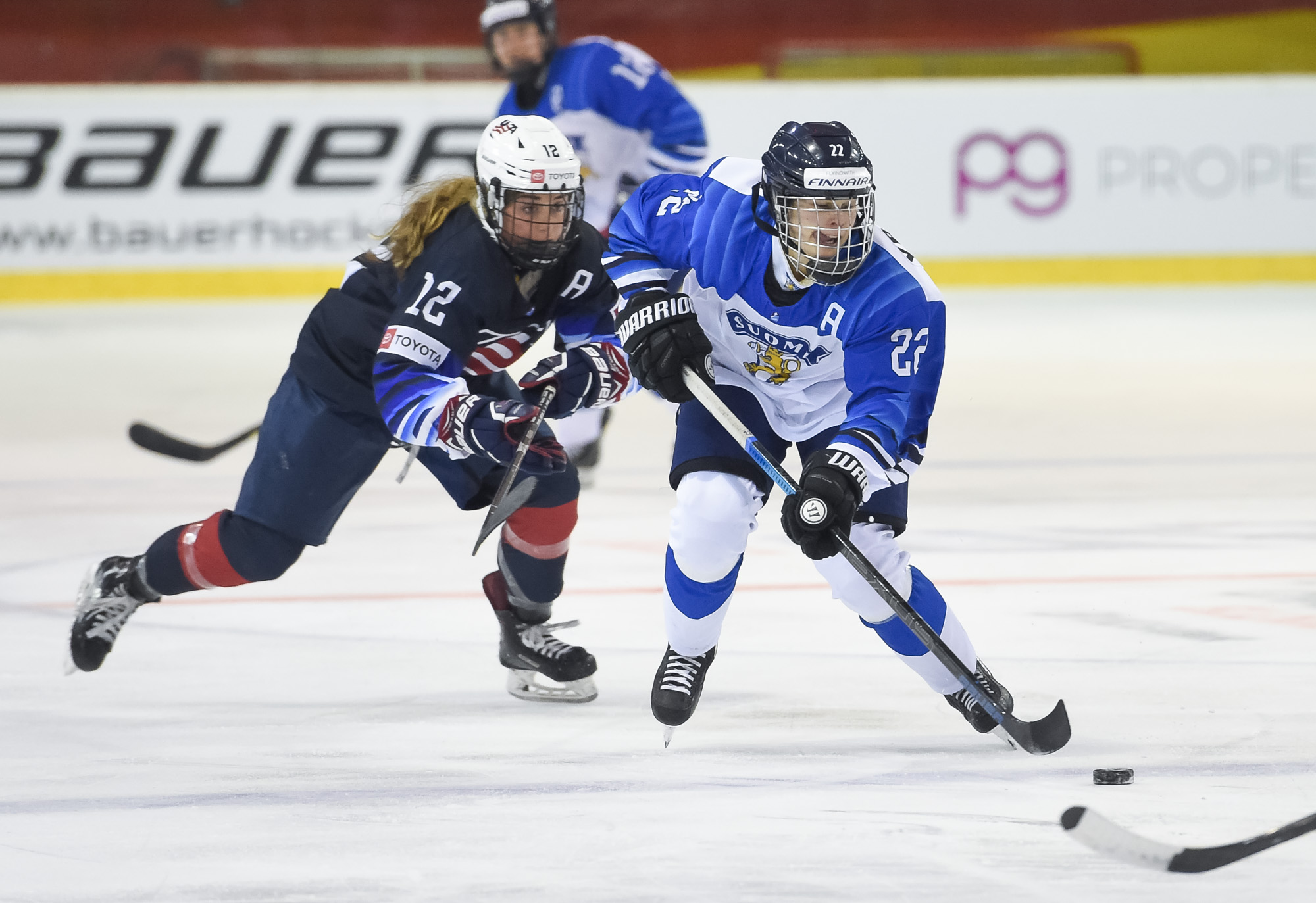 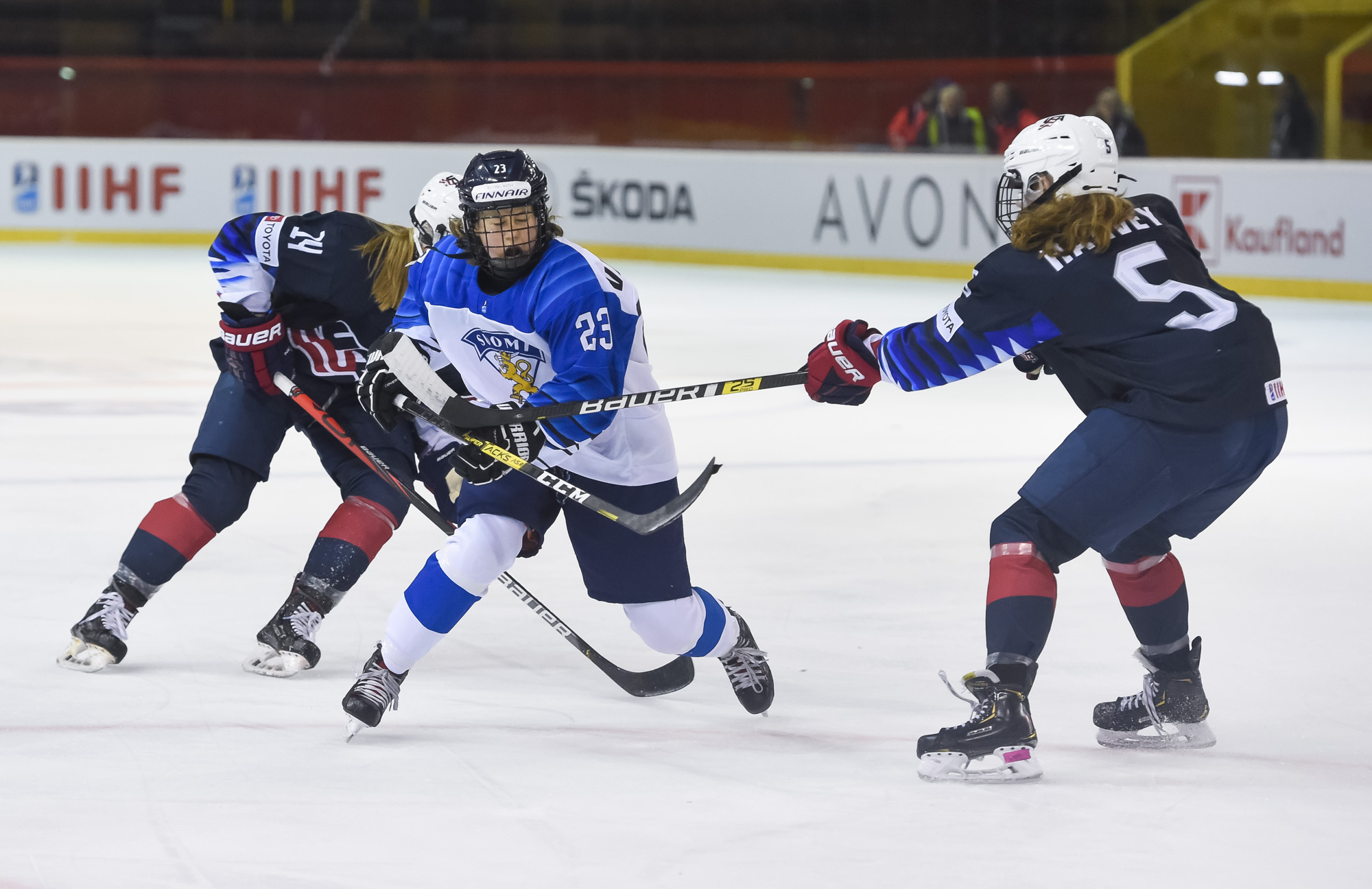 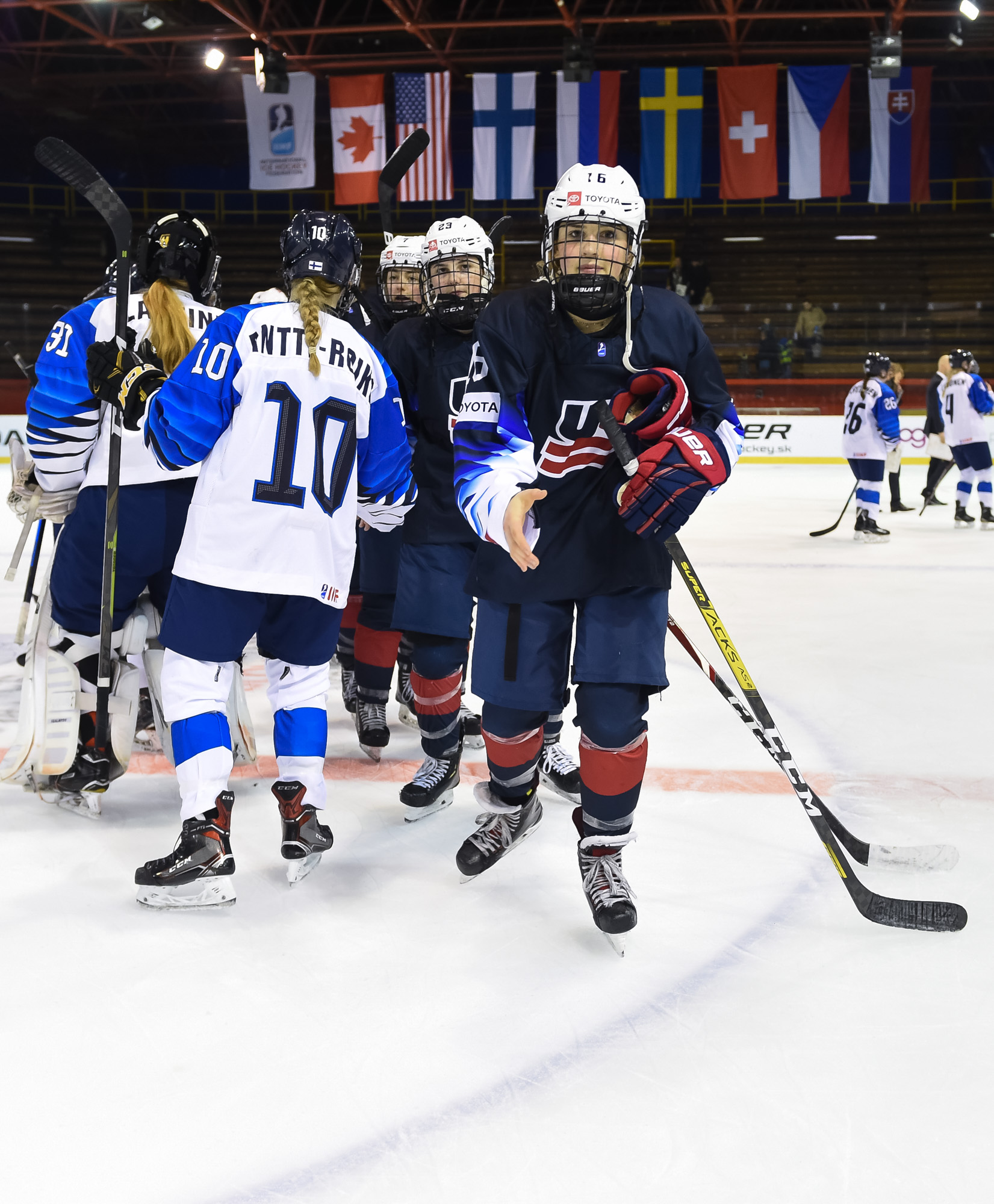 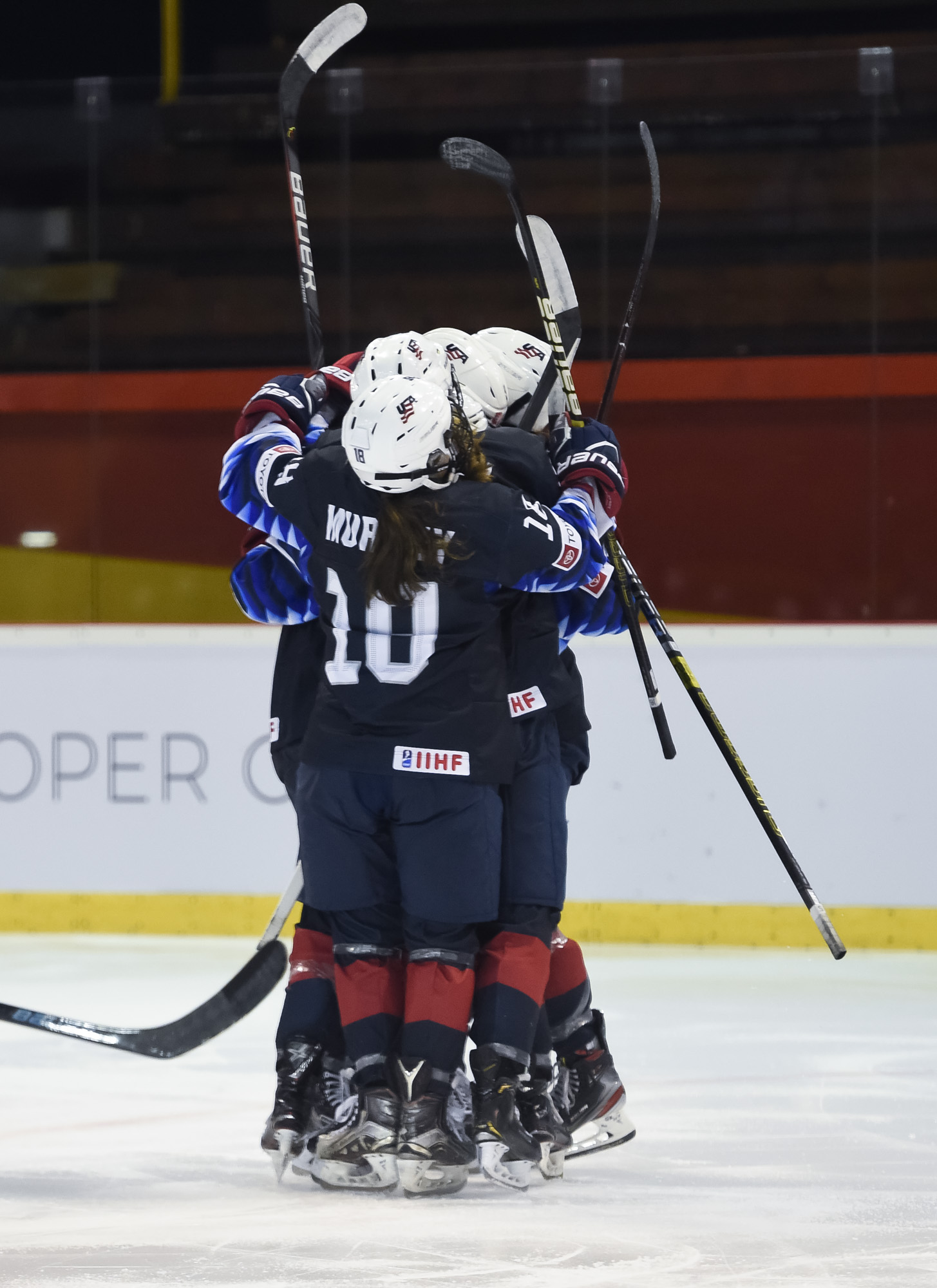 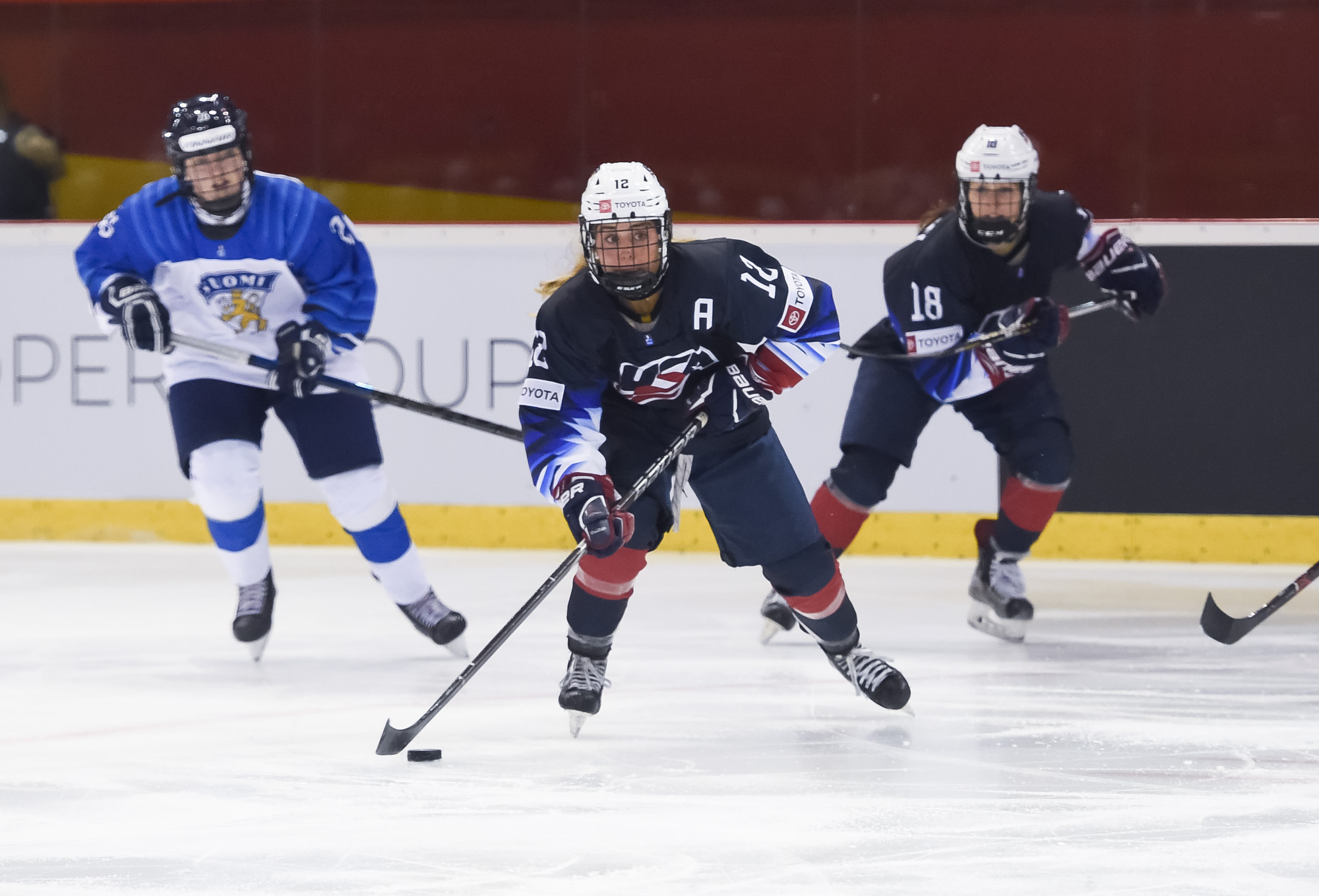 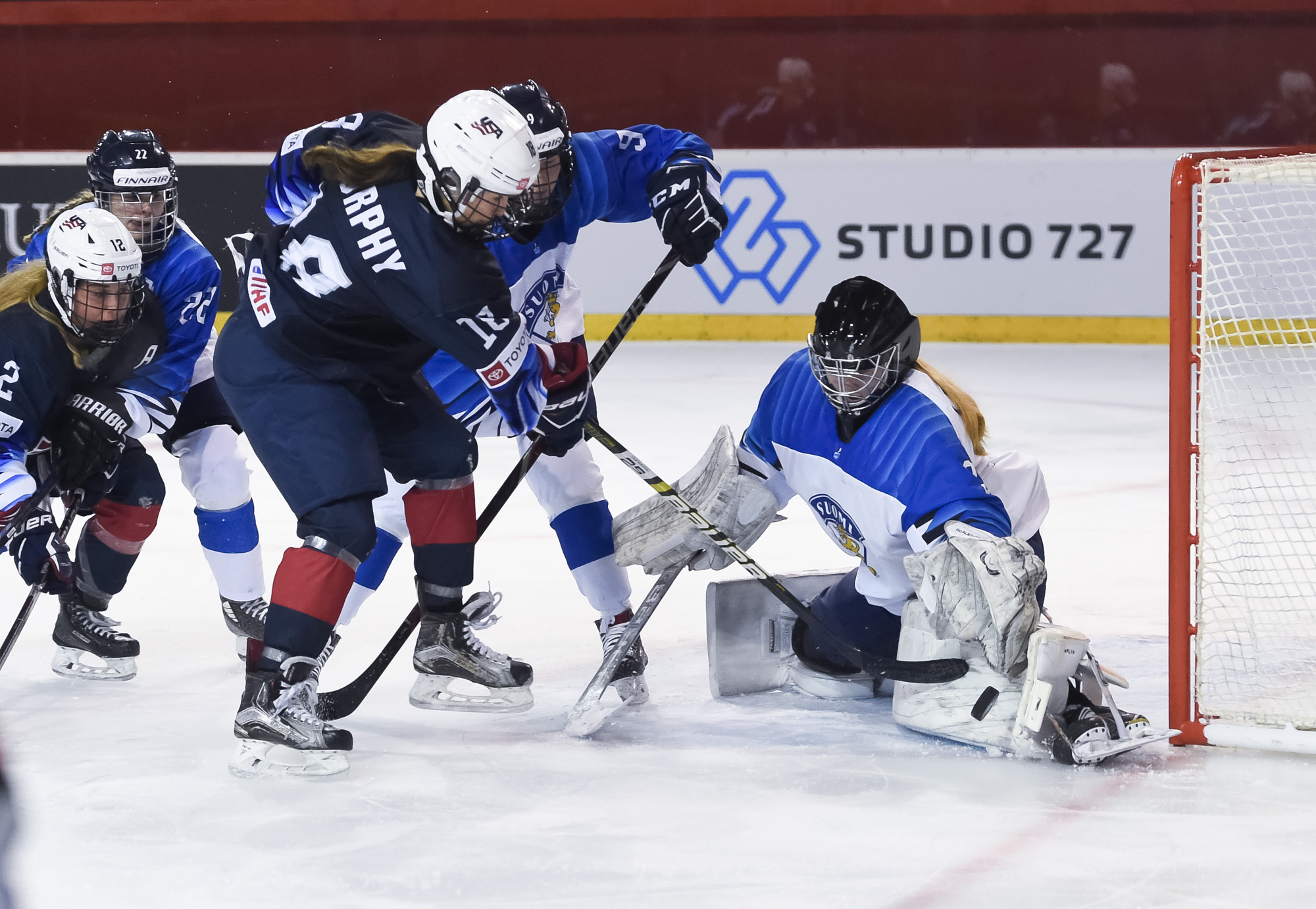 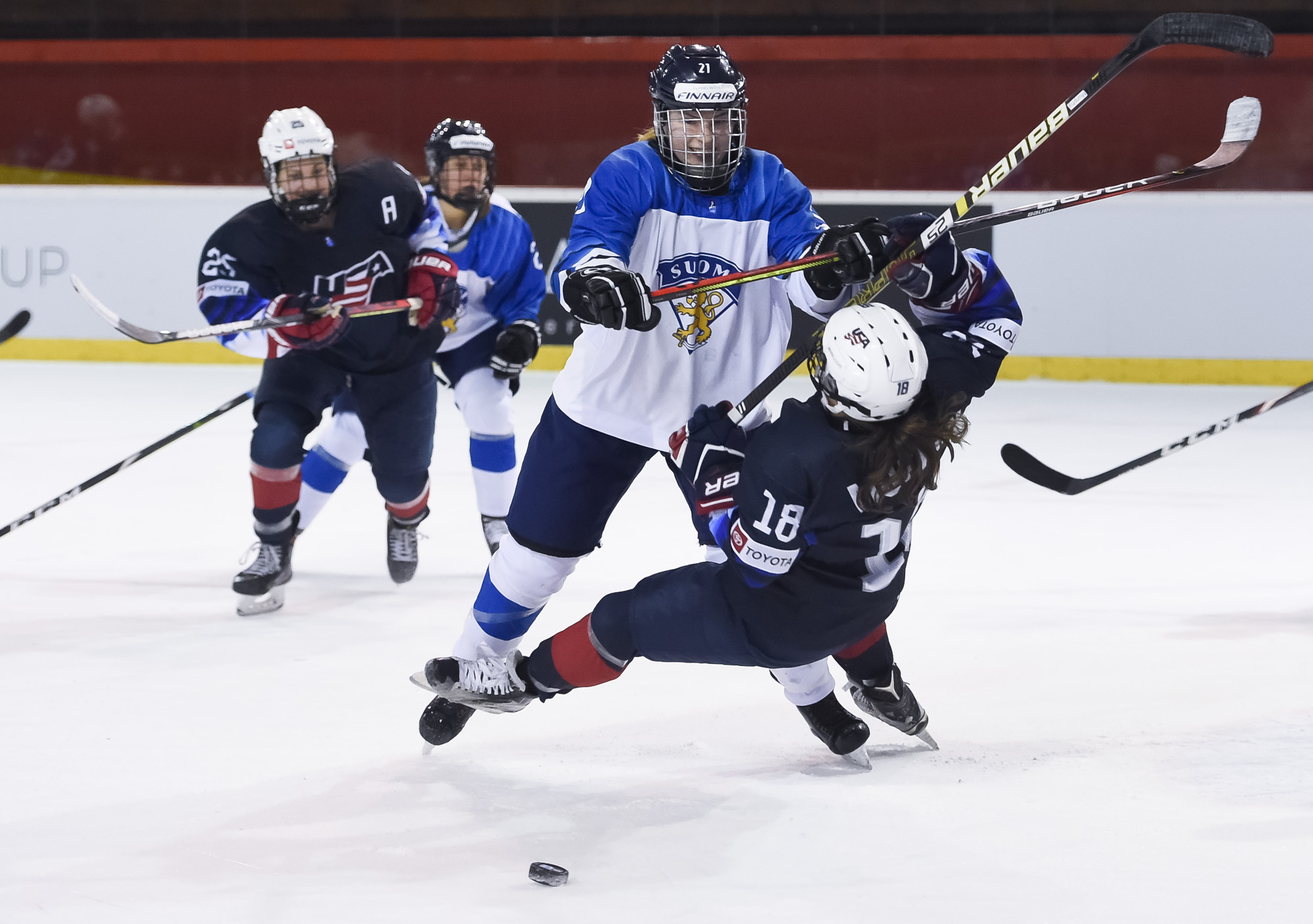 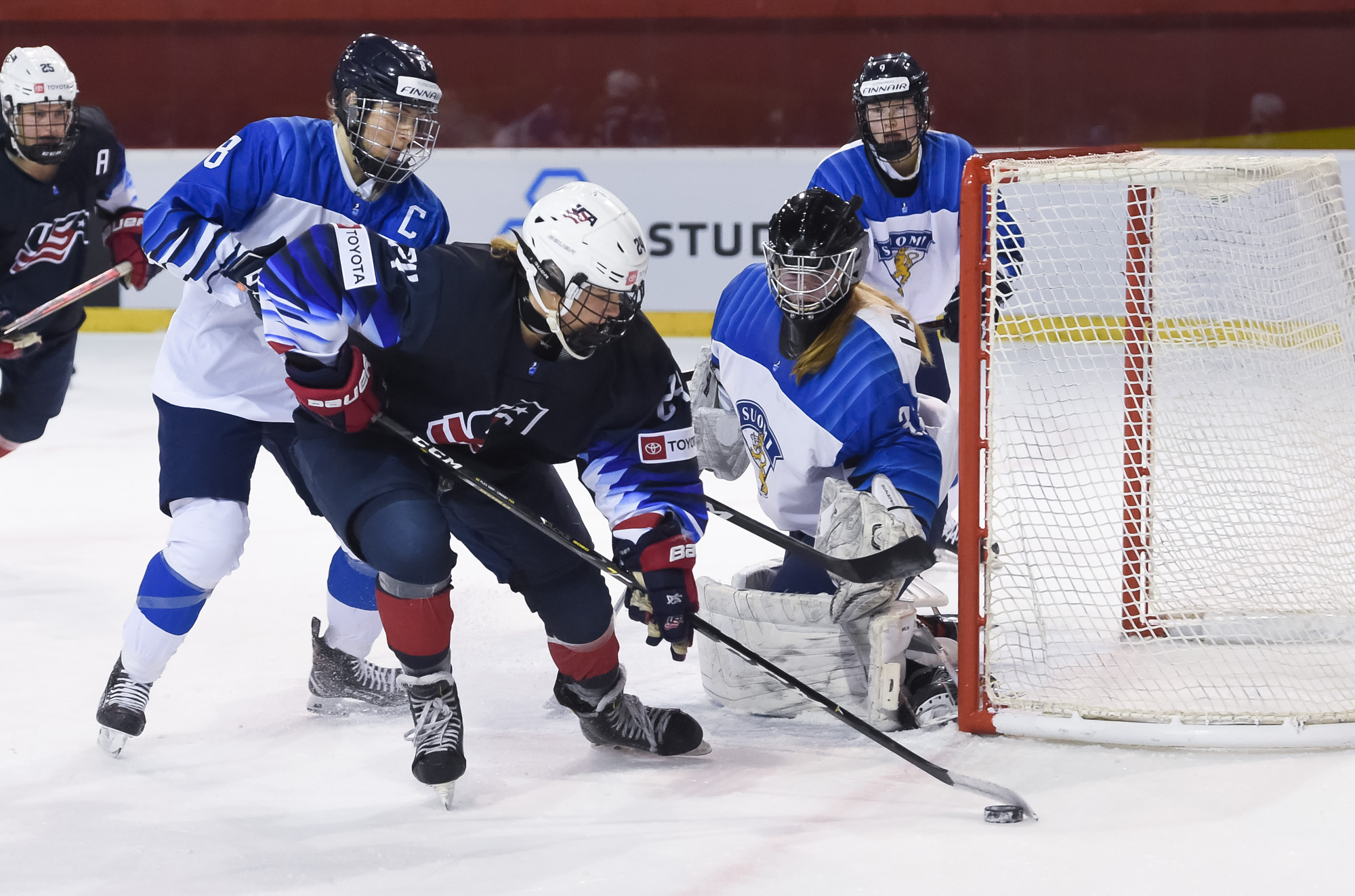 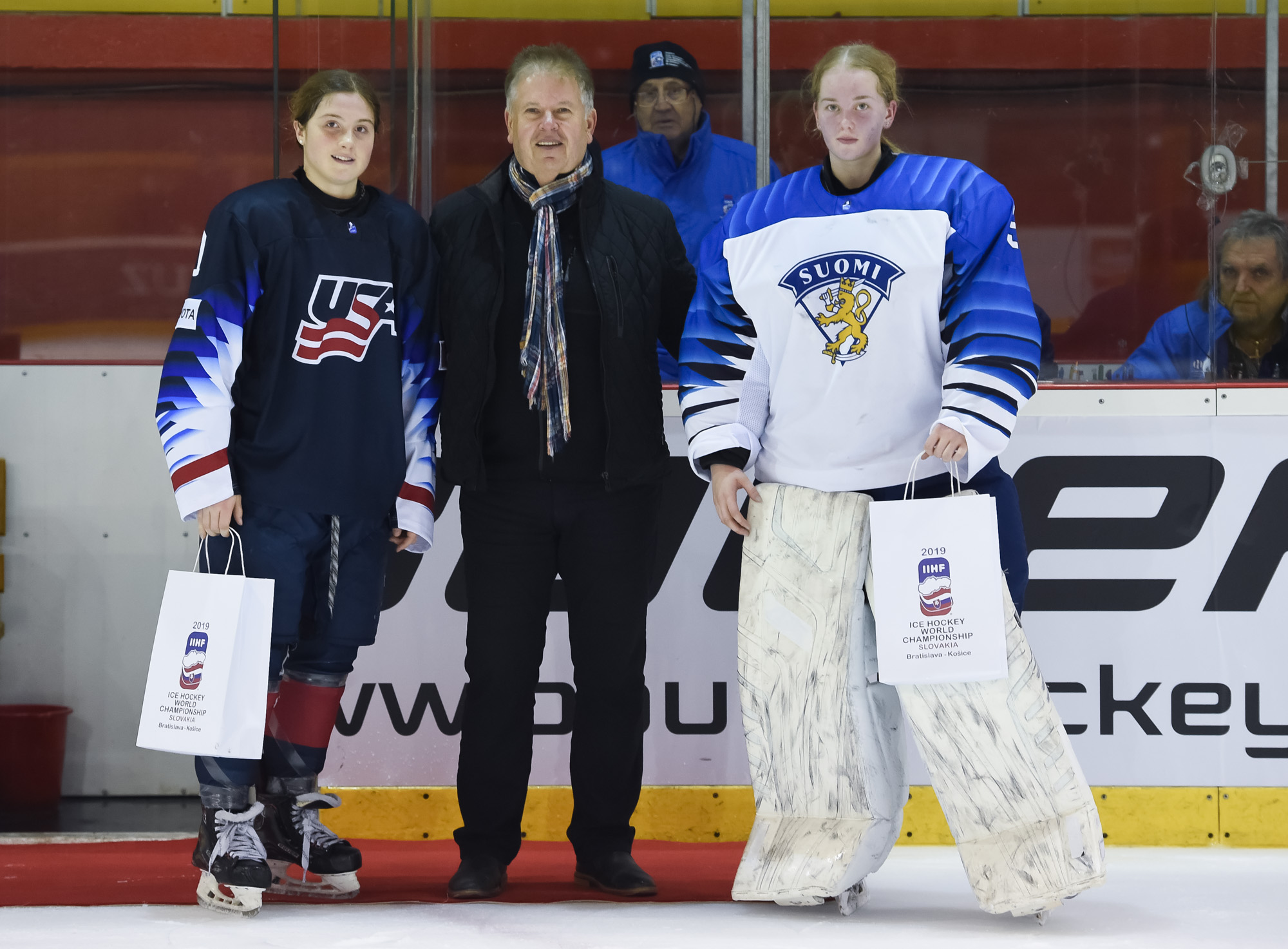 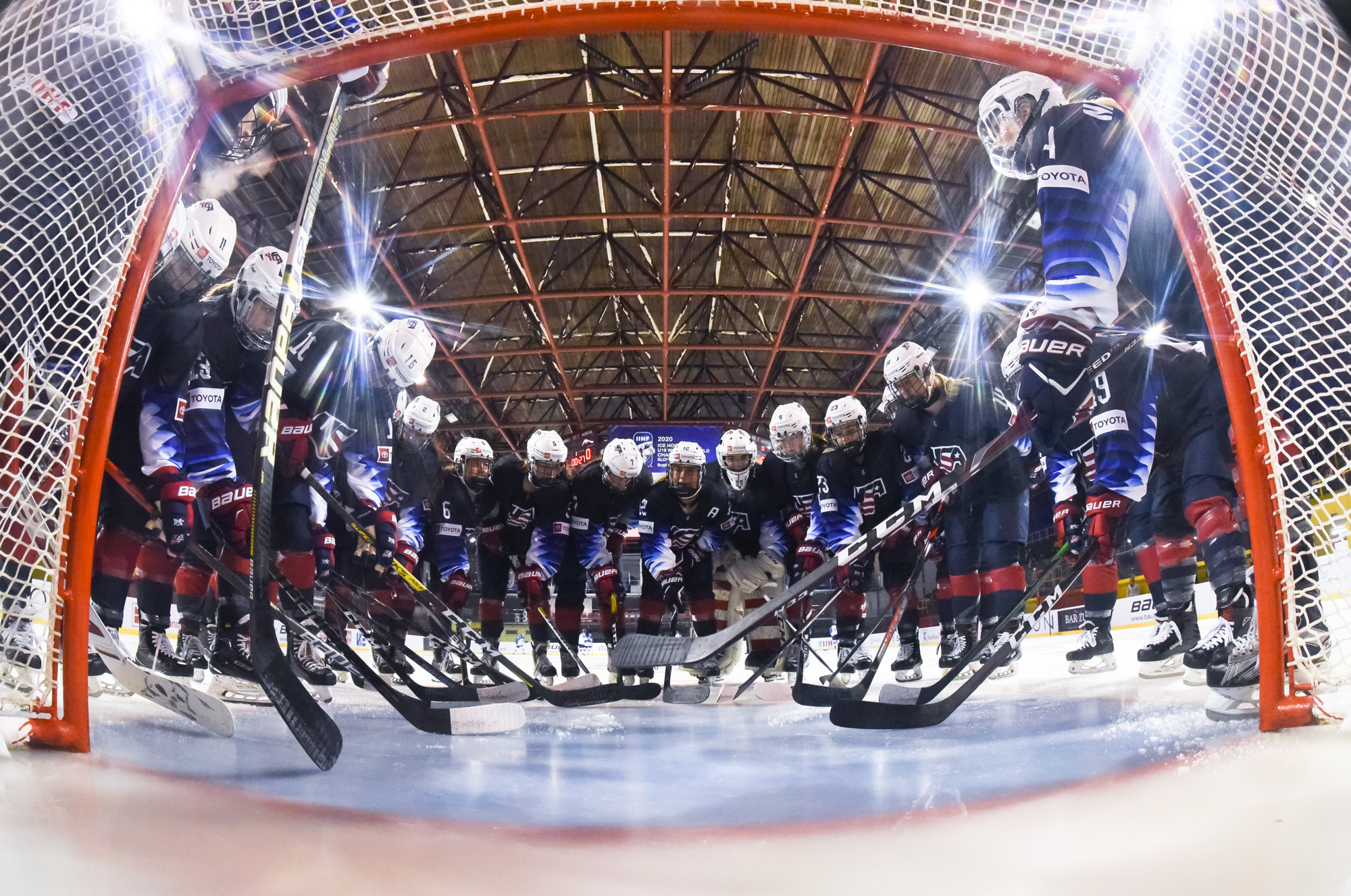 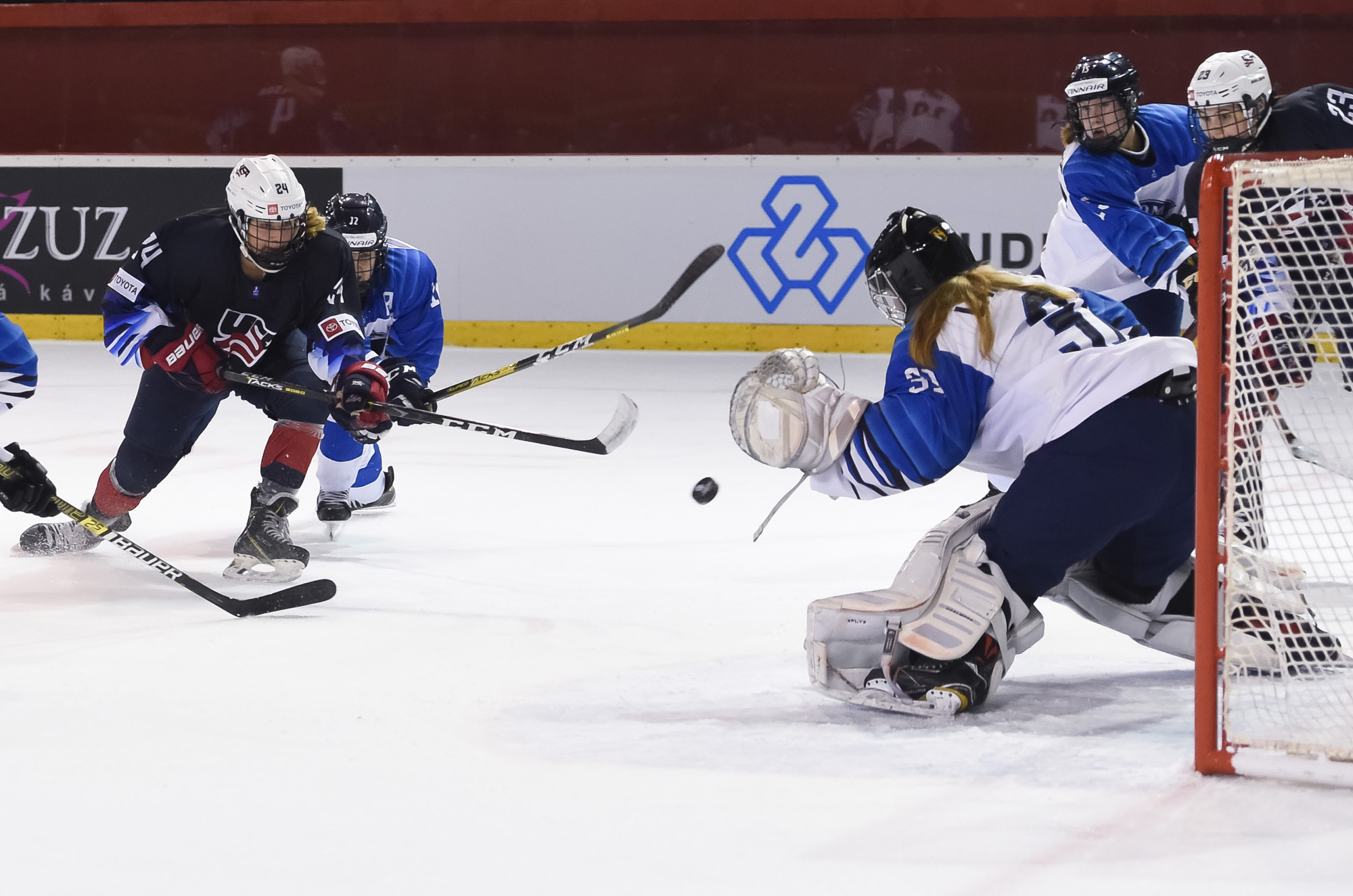