Thanks to an all-world performance in net by goaltender Aino Laitinen, the Finns could sense a massive upset of Team Canada at the 2020 IIHF Ice Hockey U18 Women’s World Championship.

But Charlotte Kettyle's point shot at the 6:53 mark of the third period broke a 1-1 tie and proved to be the winning goal as Canada defeated Finland 4-1 at the Stadion Vladimir Dzurilla in Bratislava to move to 2-0 (one regulating win, one overtime win) at the tournament.

“It was the best feeling ever. When I saw it go in, I jumped up and I honestly couldn’t believe it, I was just speechless," said Kettyle. "The puck came up between (Kendall Cooper) and I, and I got over onto the right side, noticed the gap and went for it. It’s been an incredible feeling so far. I’ve never experienced anything like this team in my life, and it’s something that you never want to end."

Maddi Wheeler scored later in the third with a beautiful wrist shot that went in just under the crossbar to make it 3-1 Canada.

Finland pulled its goalie with over six minutes to play to try to get back in the game but Canada's Emilie Lussier scored her team's fourth and final goal into the empty net on a great cross-ice pass from Sarah Wozniewicz.

With the loss, Finland dropped to 0-2.

Canada peppered 31 shots at Laitinen in the Finnish net, with 12 in the first period, 10 in the second and nine in the third. Finland managed just 13 shots at Canada's Kayle Osborne.

After the two teams traded goals in the first period, Canada poured it on in the second, firing pucks at the Finnish net with a frenzy but couldn't solve Laitinen.

Canada ran into penalty trouble in the latter part of the second, with Wozniewicz (hooking), Anne Cherkowski (slashing), and Cooper (tripping) going to the penalty box during the last nine minutes of the middle frame. Finland would get a lengthy 5-on-3 power play with four and a half minutes to play but couldn't score the go-ahead goal.

Canada opened the scoring just over five minutes into the game, when Lindsay Bochna's snap shot from the left circle beat Laitinen. Bochna took a pass from Jenna Buglioni before wiring the puck into the net.

Finland tied up the game with a power play goal in the final minute of the opening period. A flurry of activity ended with Nelli Laitinen scoring a goal from the point on Canadian goaltender Osborne. Sanni Rantala and Kiira Yrjanen picked up the assists on Laitinen's goal.

Laitinen, Finland's captain, was robbed by Osborne with just over seven minutes to play in the first when she streaked down the middle of the ice and ripped a wrist shot that seemed destined for the top corner, only to see Osborne snag the puck out of the air with her glove.

Finland's power play was a bright spot of its first 20 minutes as the Finns generated several Grade A scoring chances with the one-player advantage. 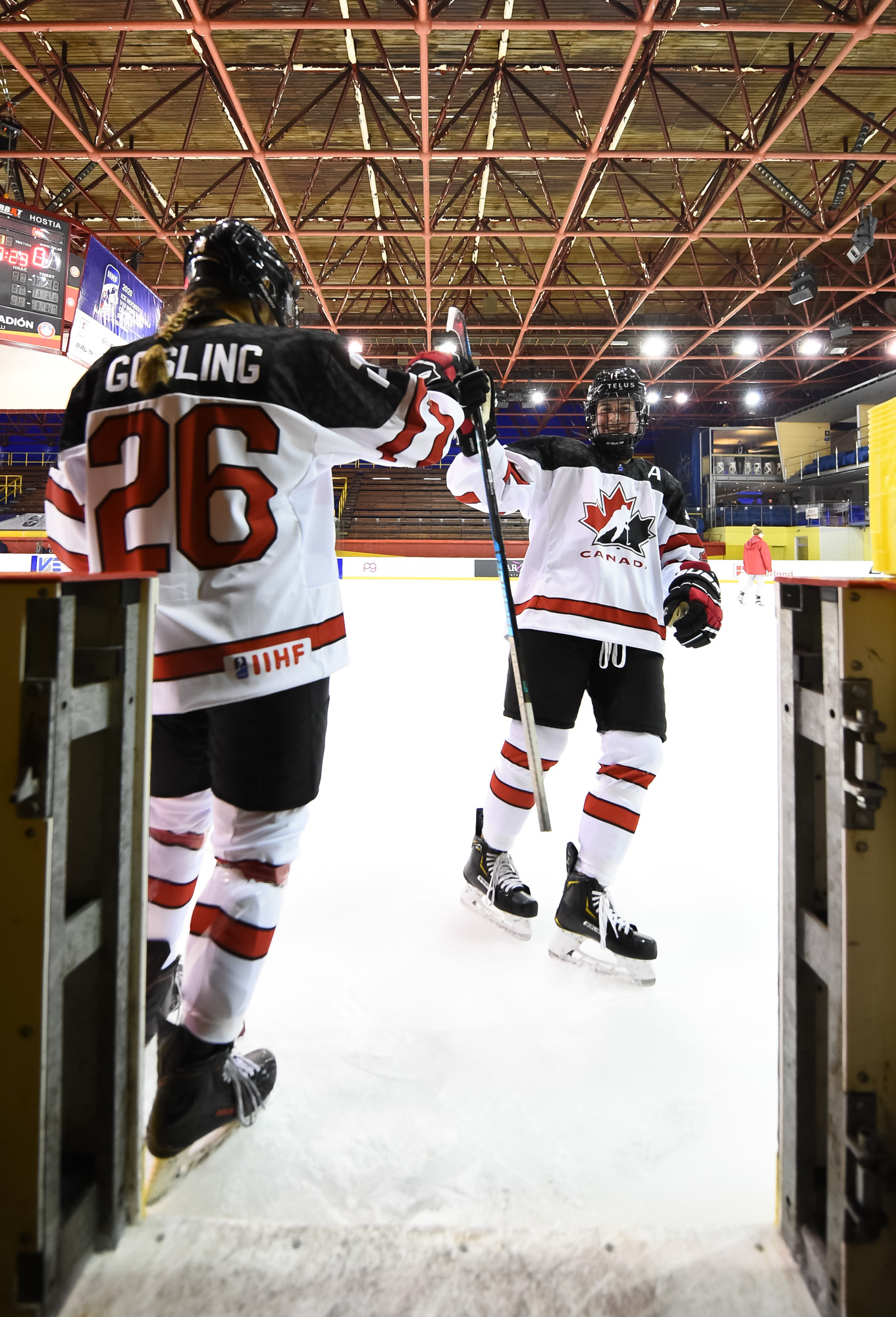 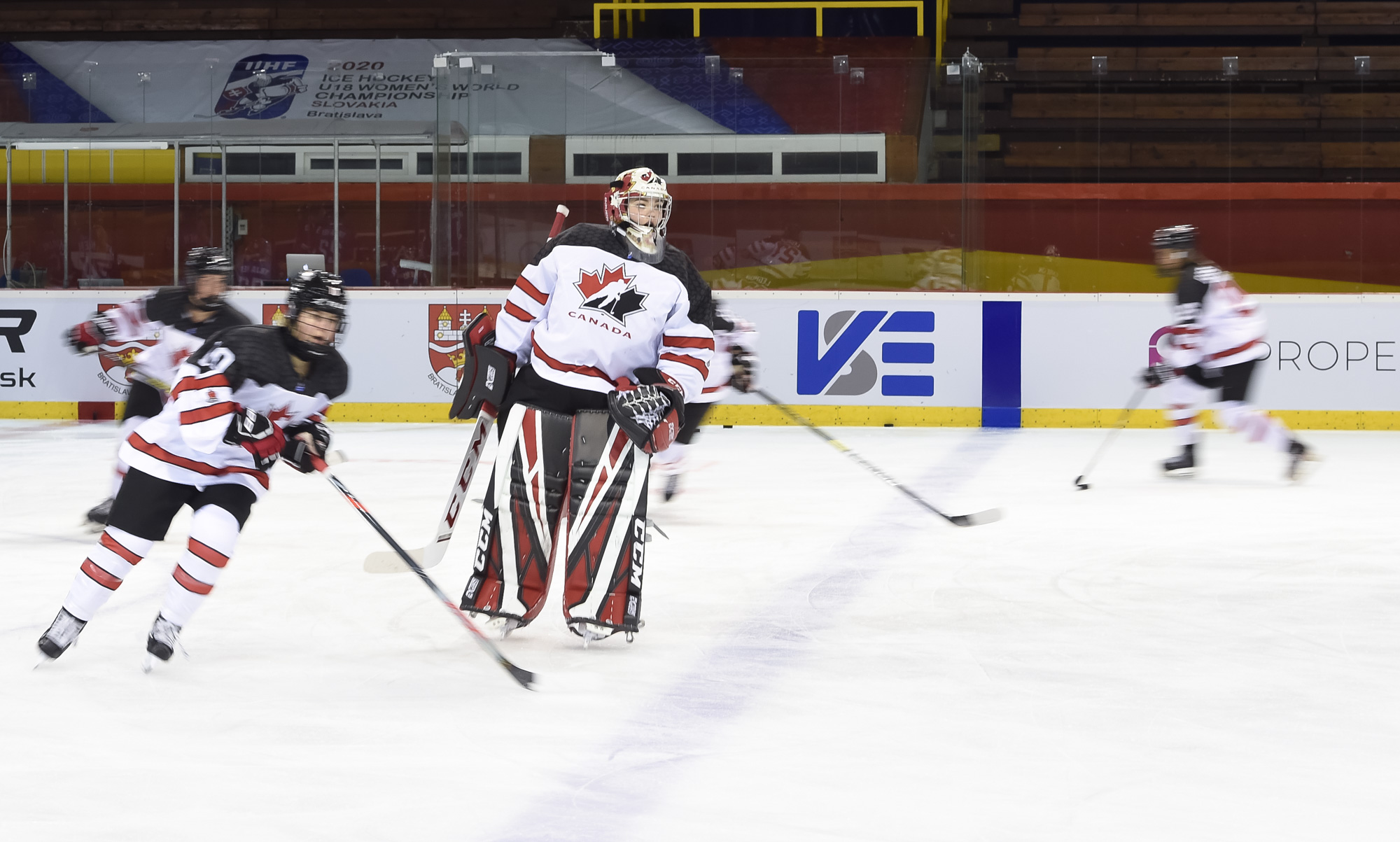 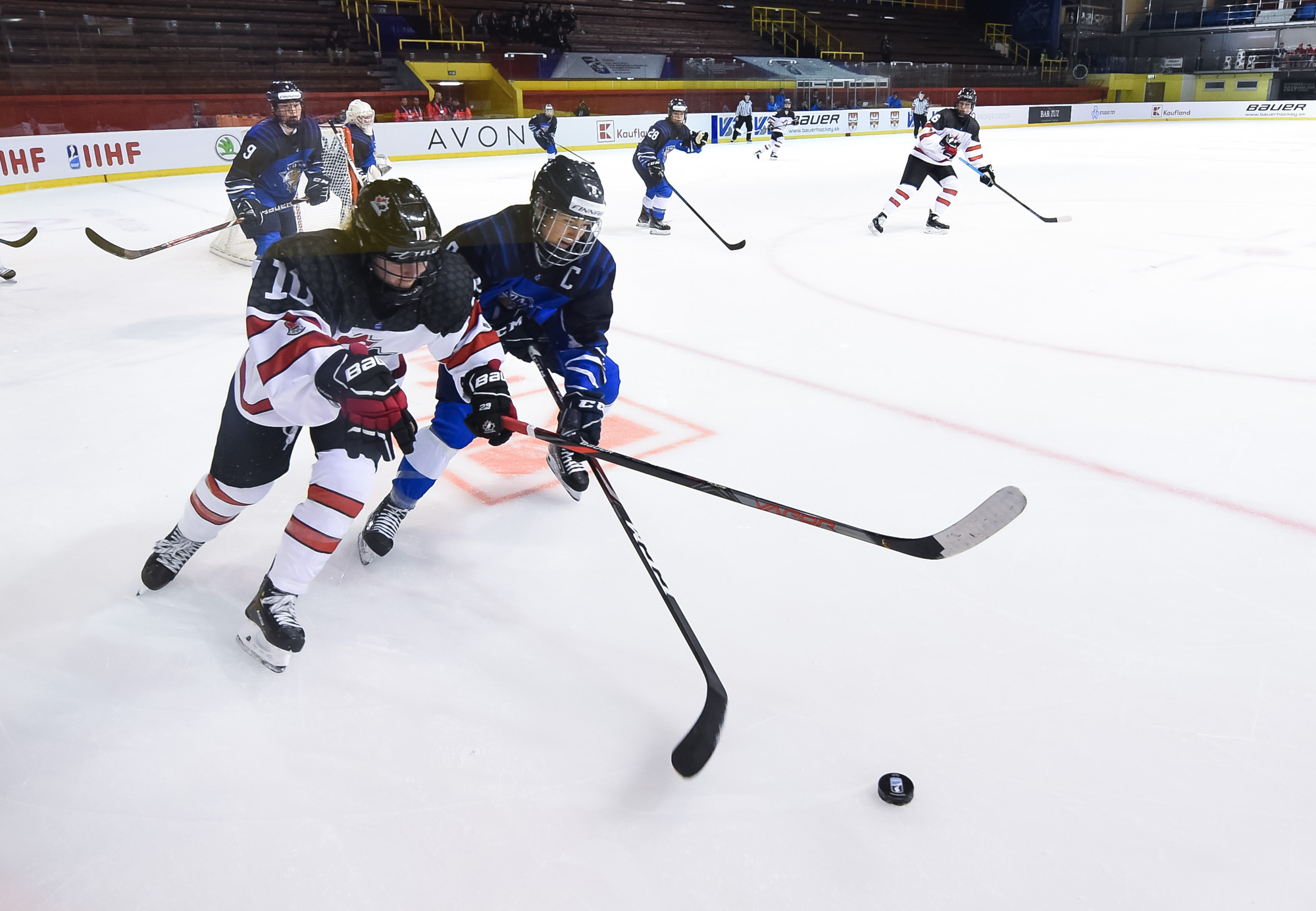 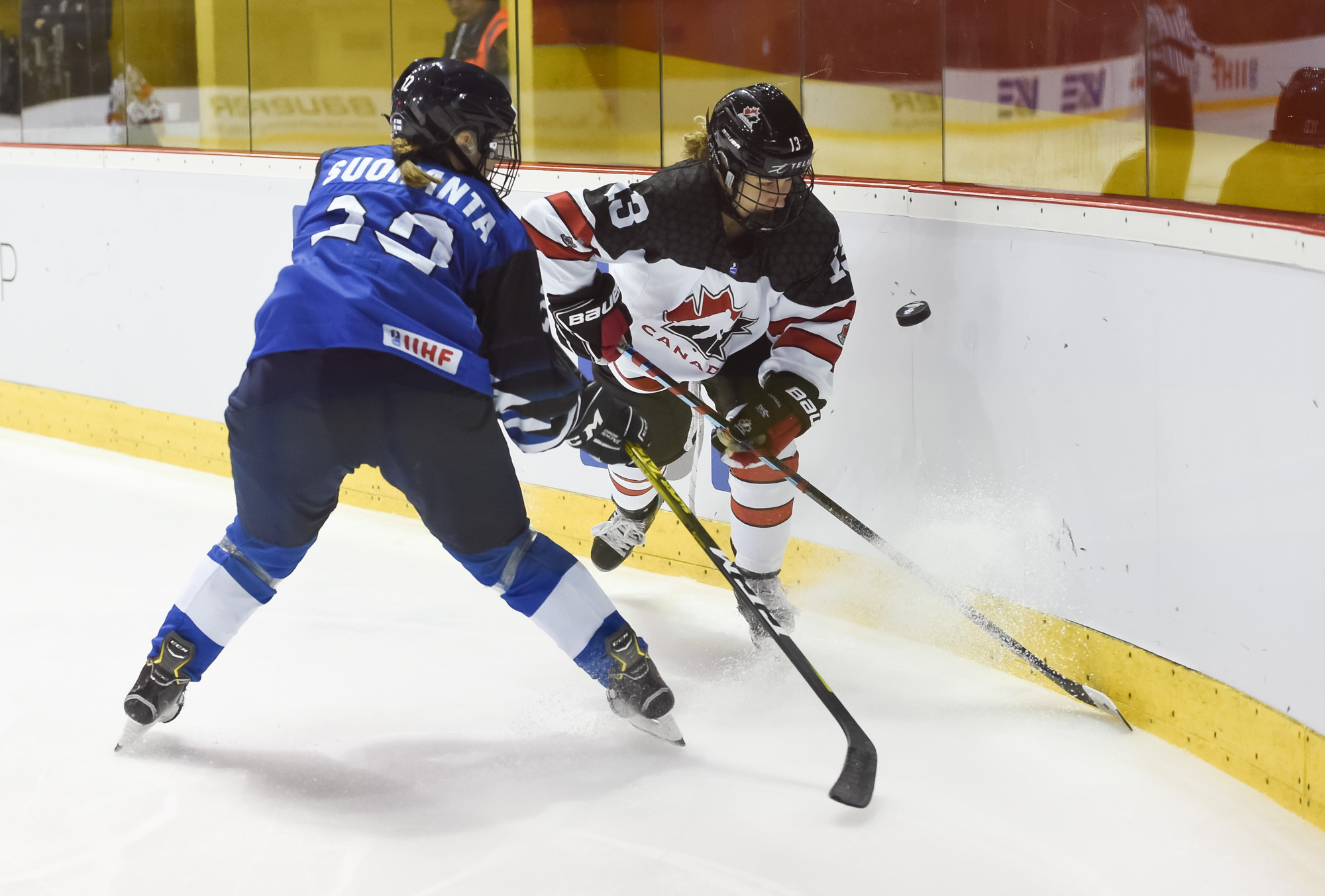 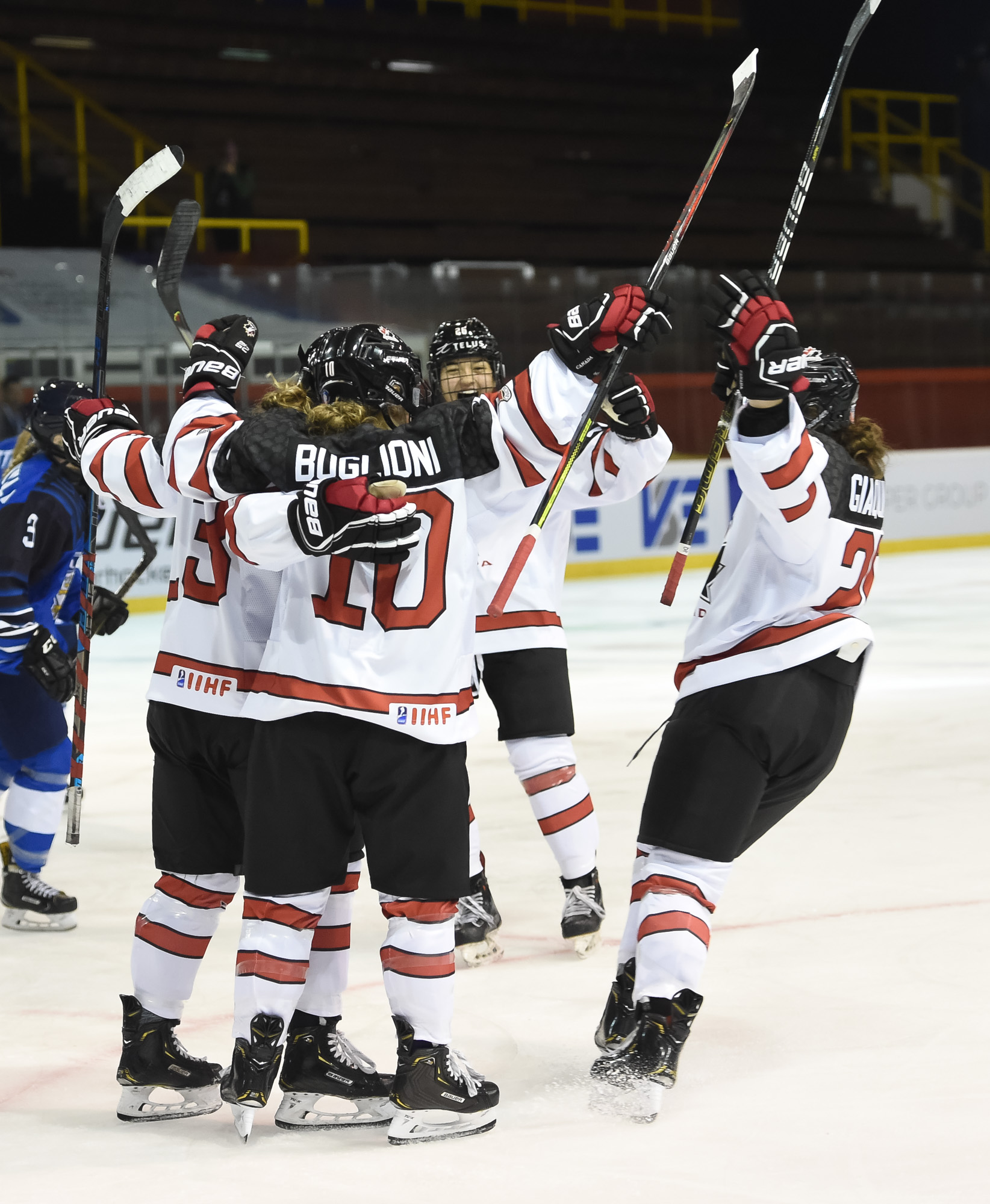 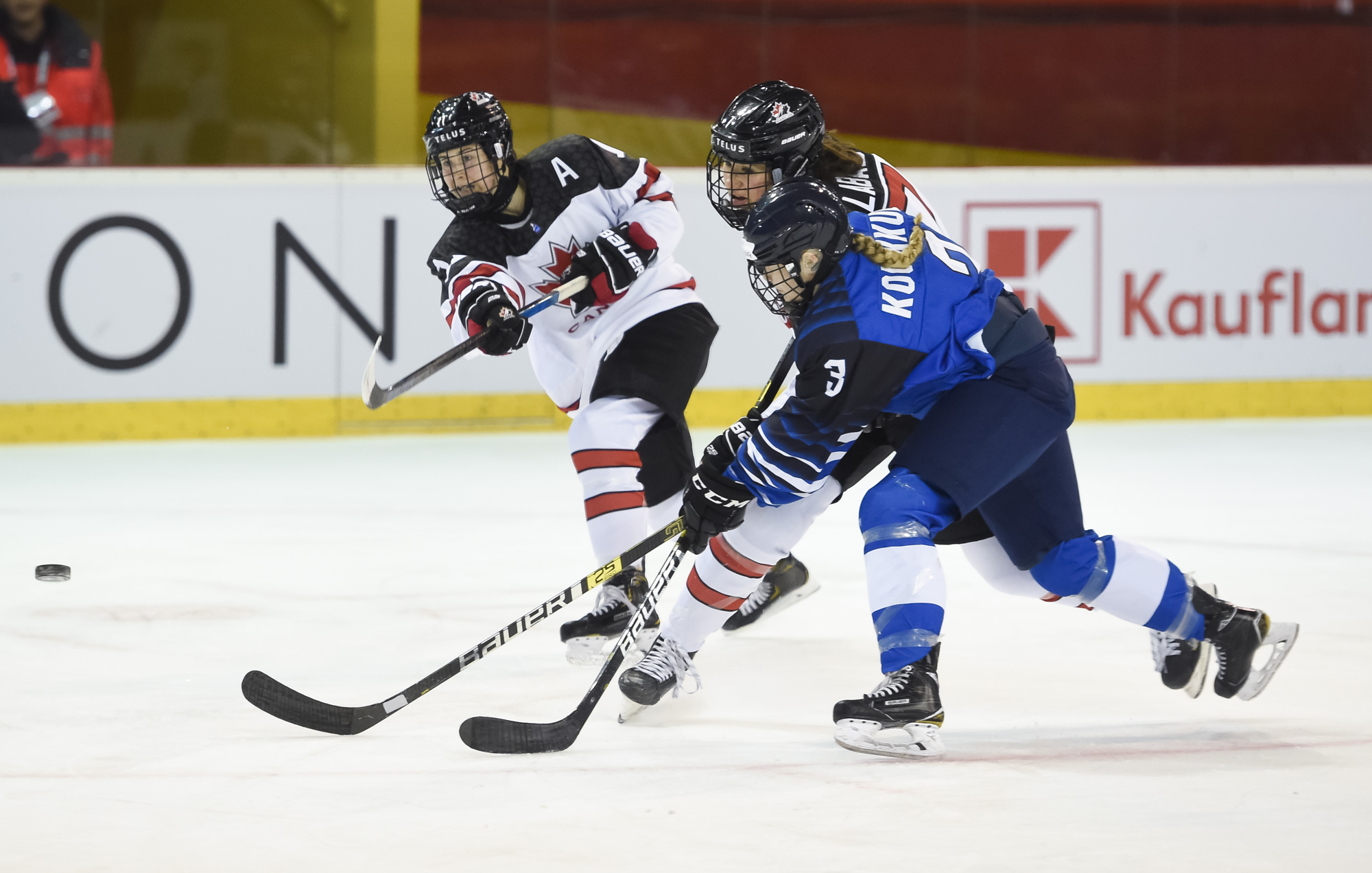 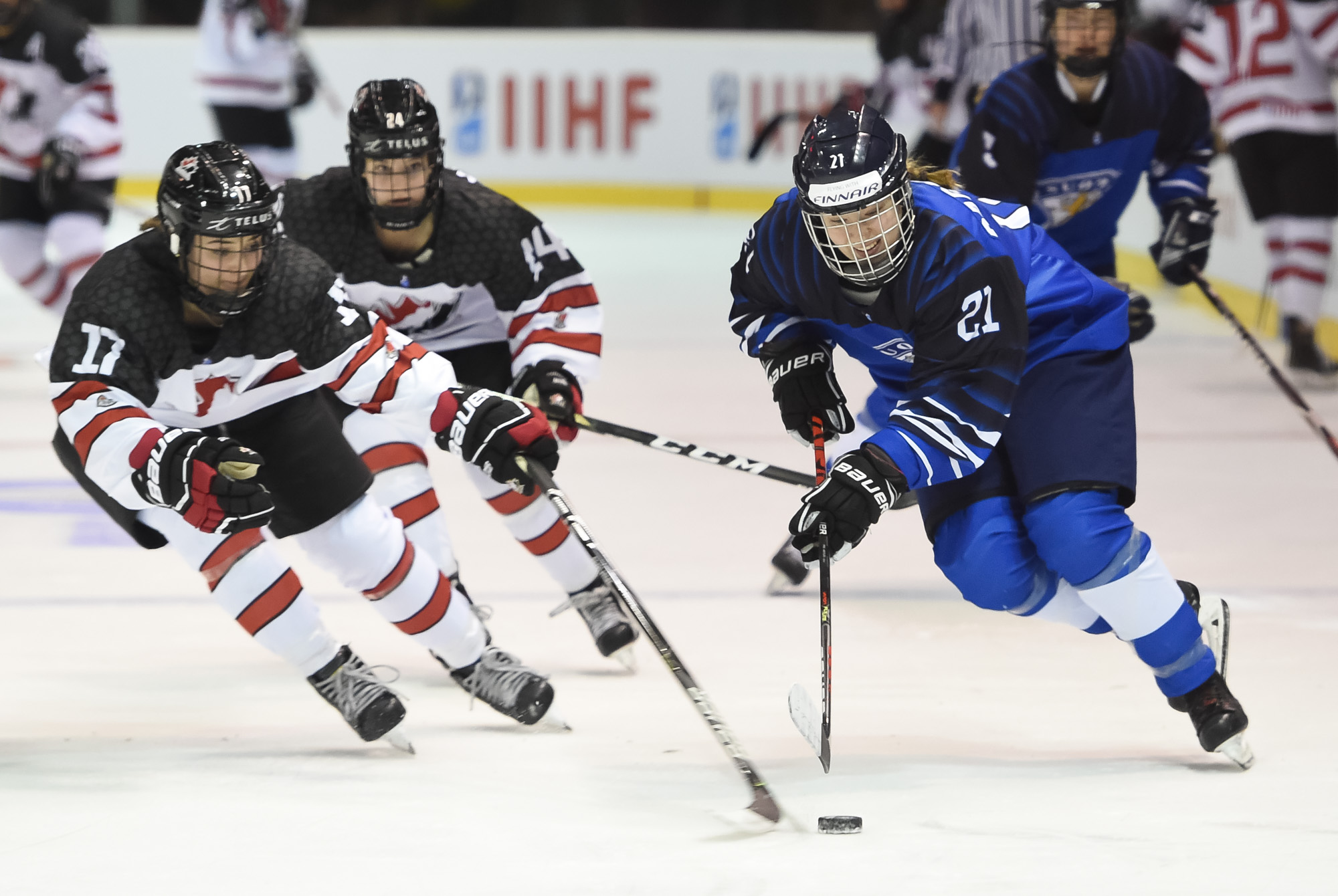 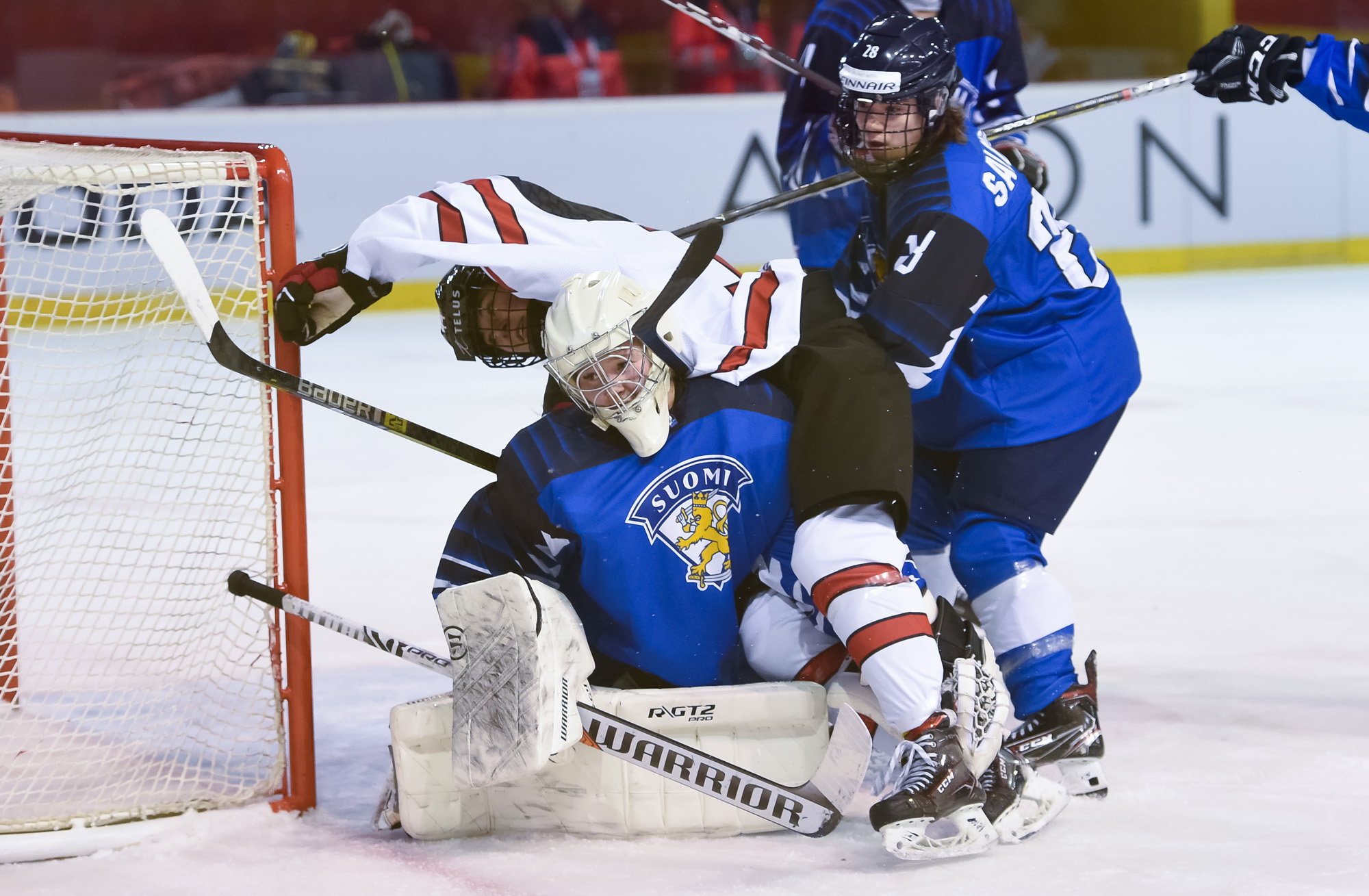 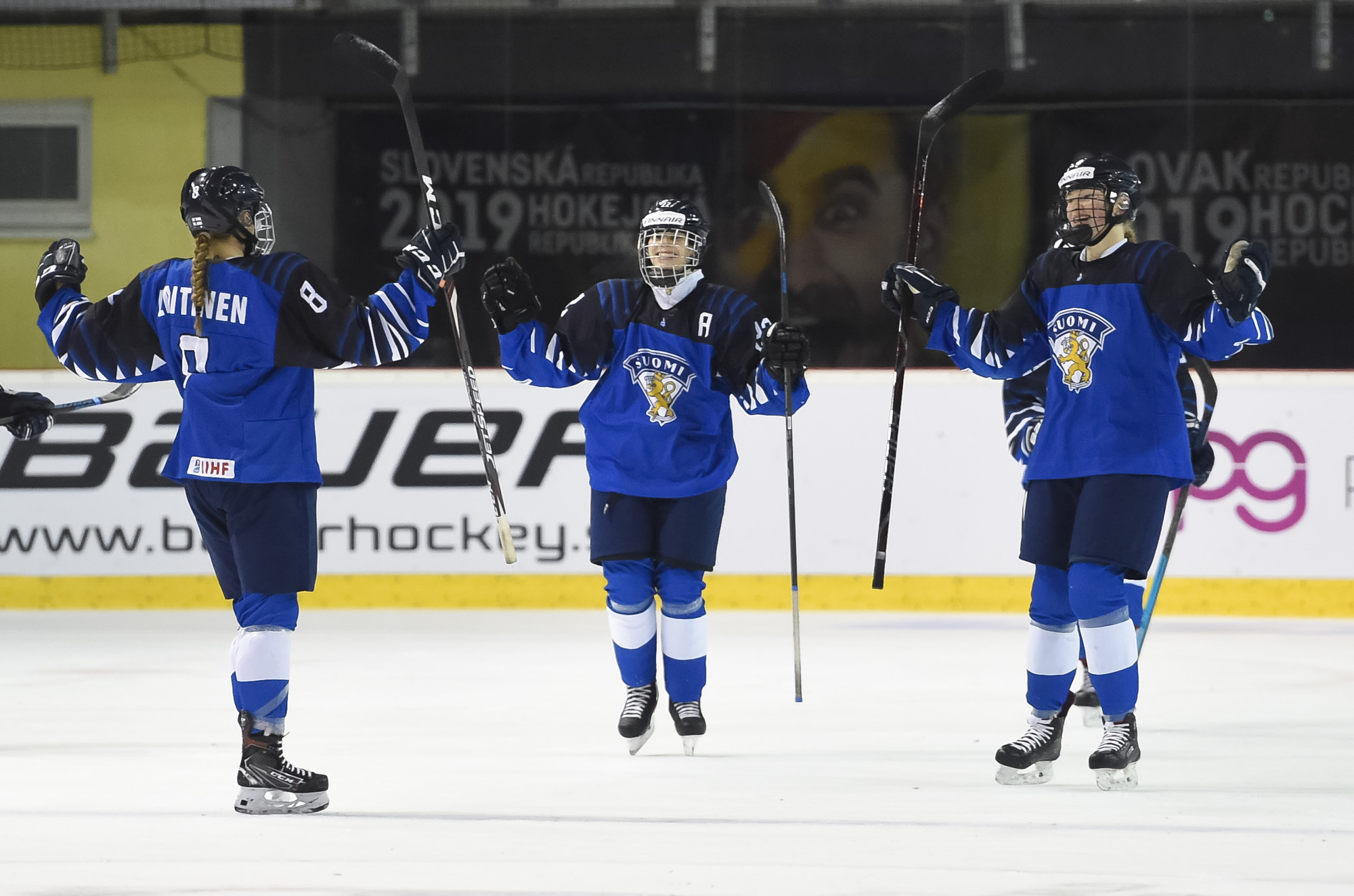 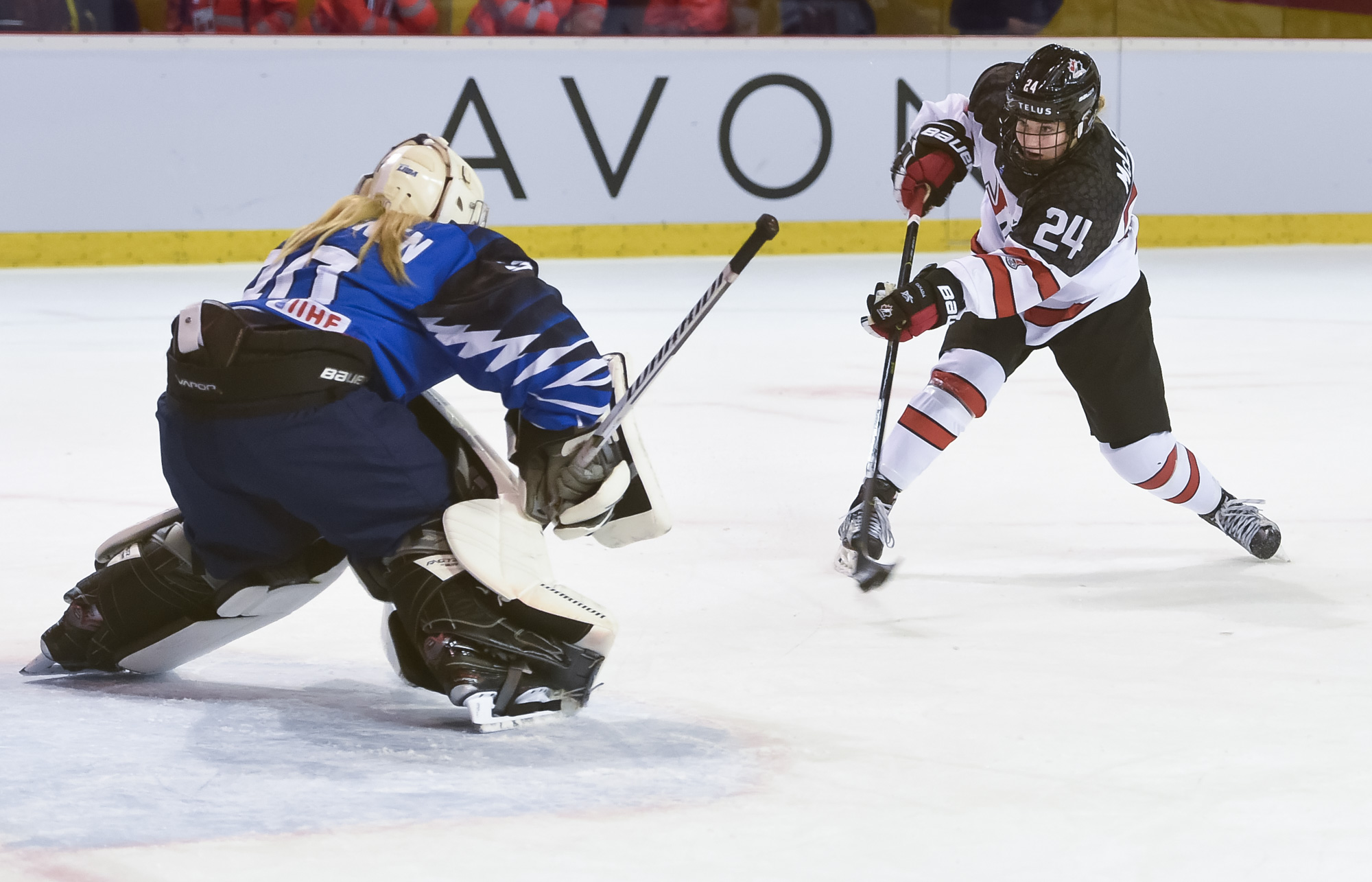 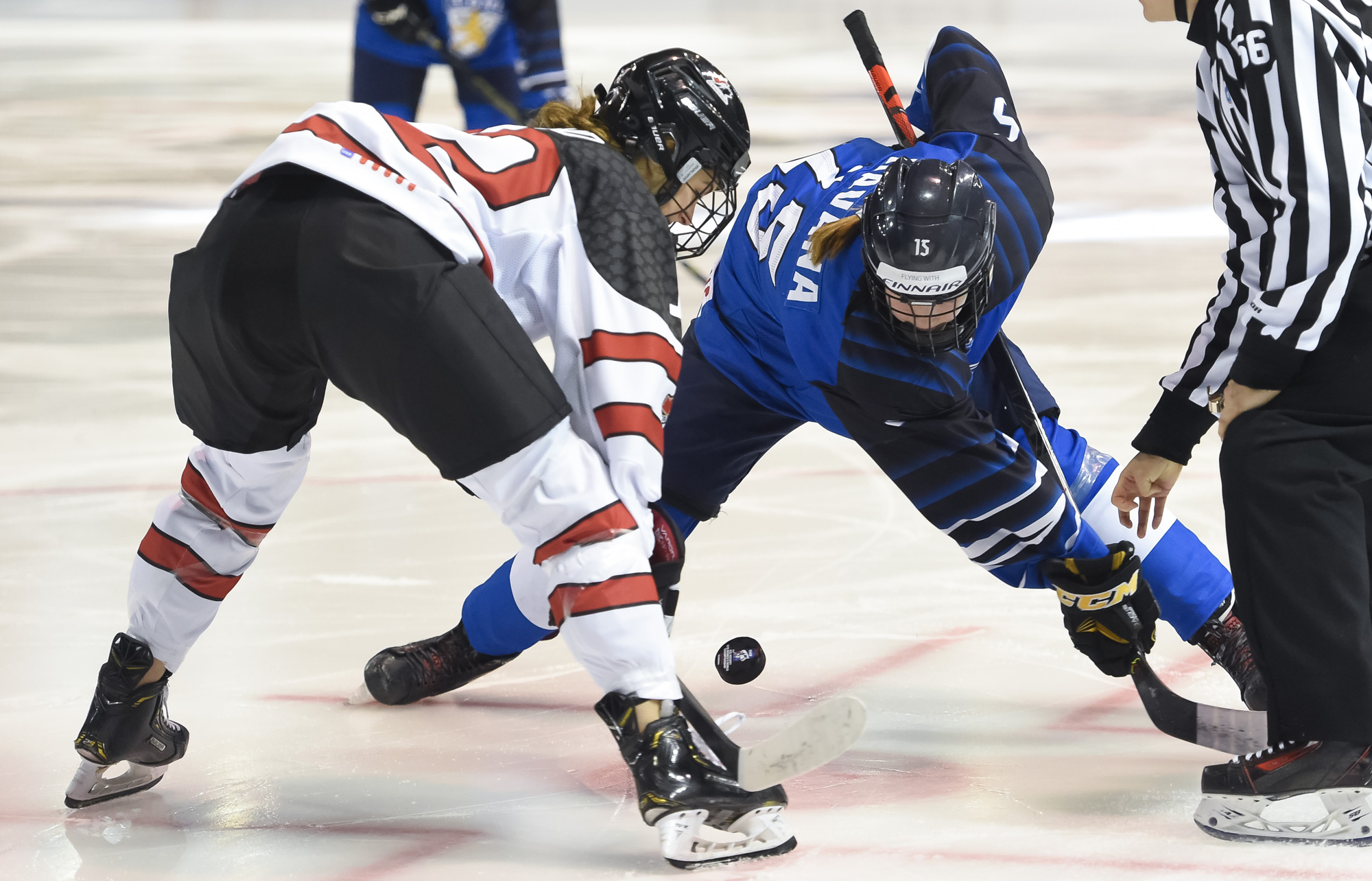 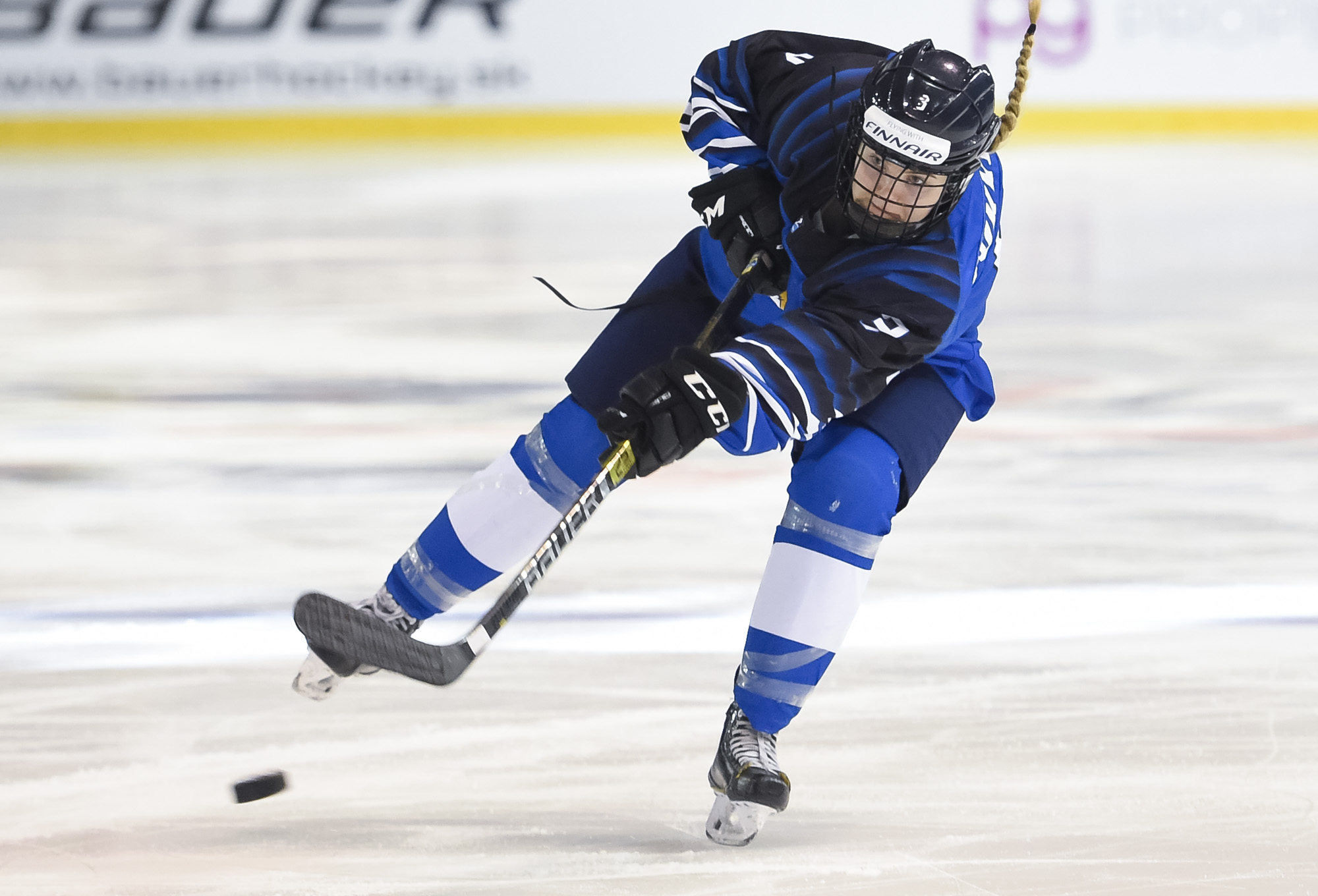 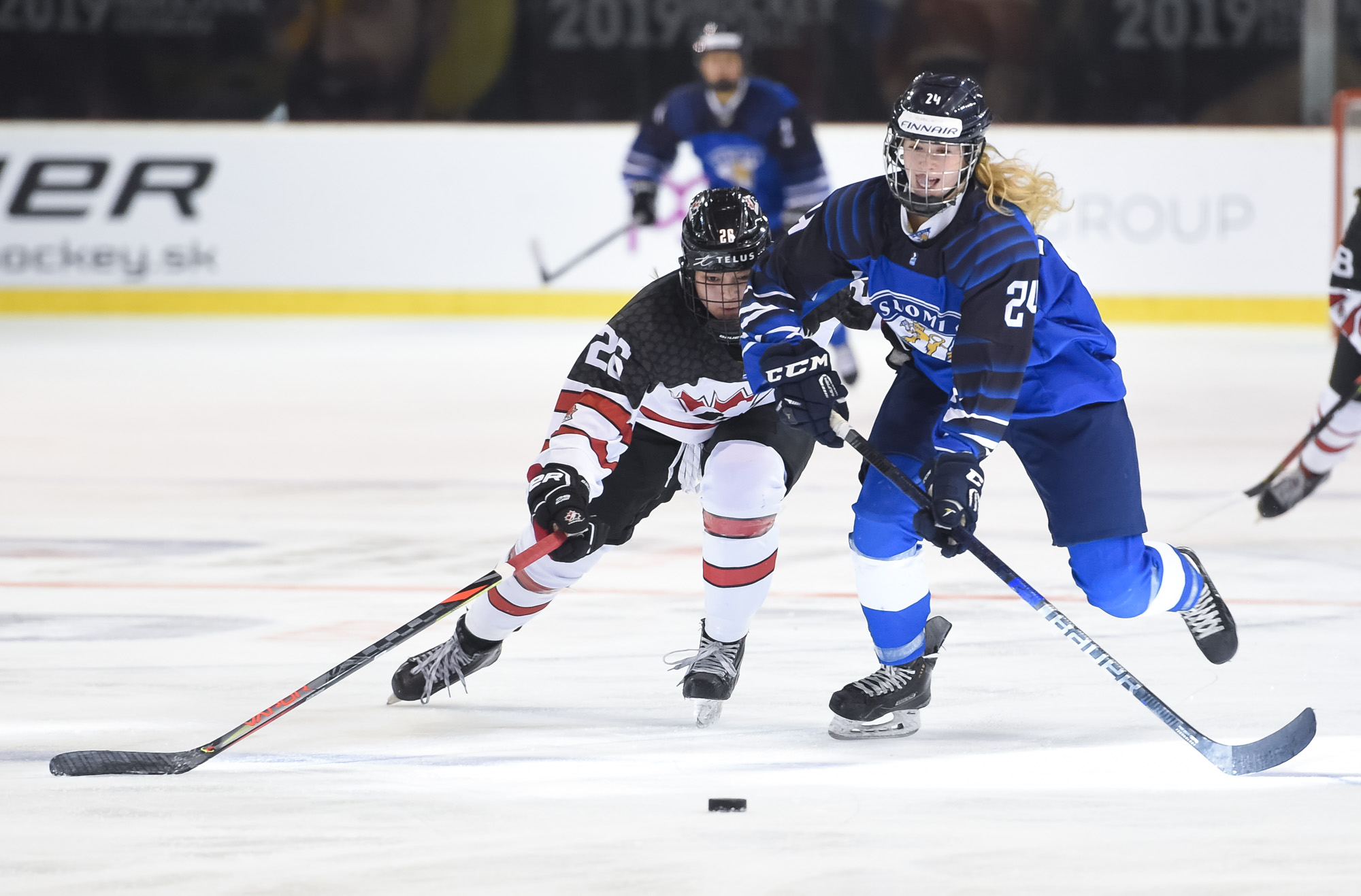 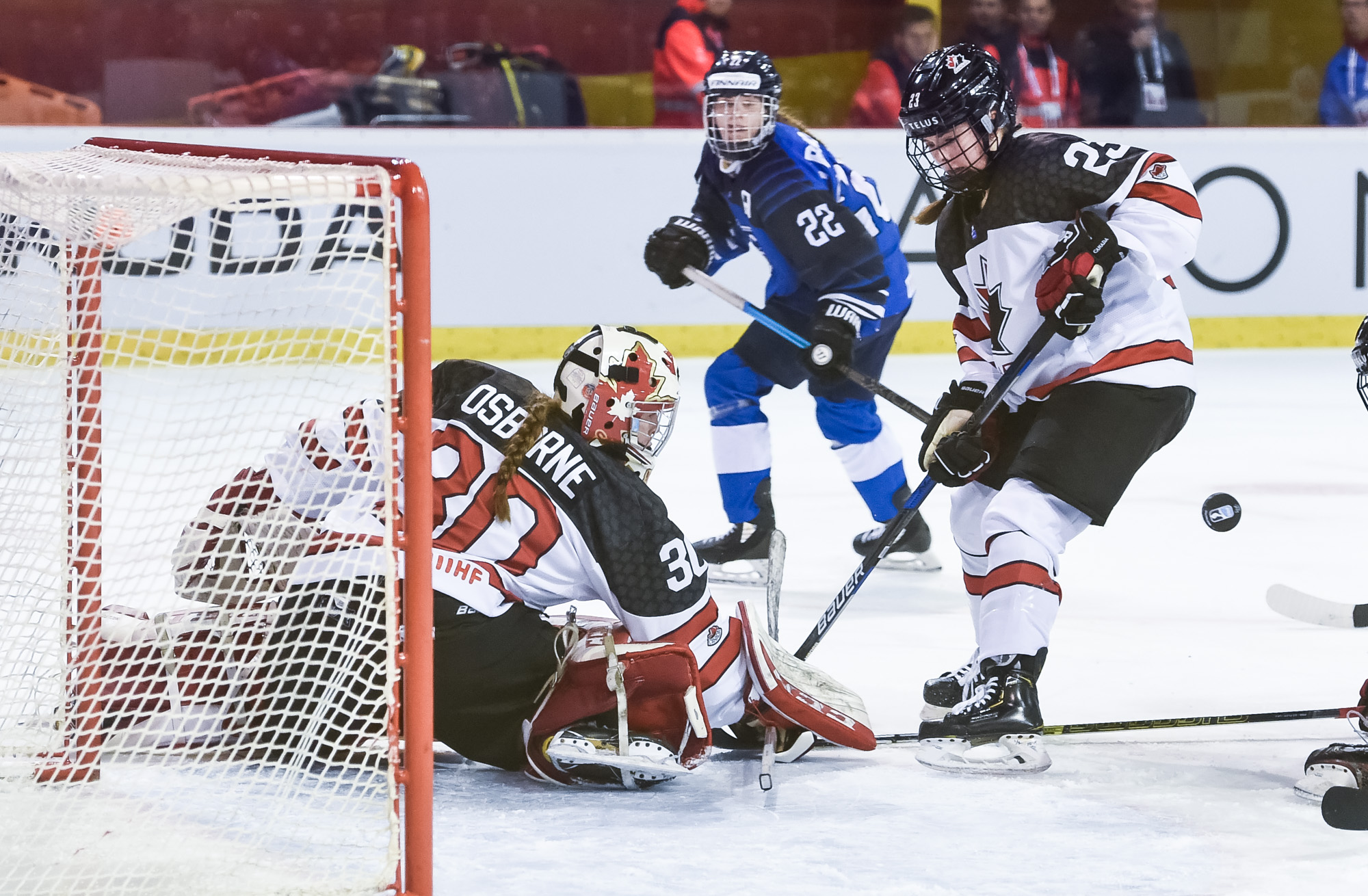 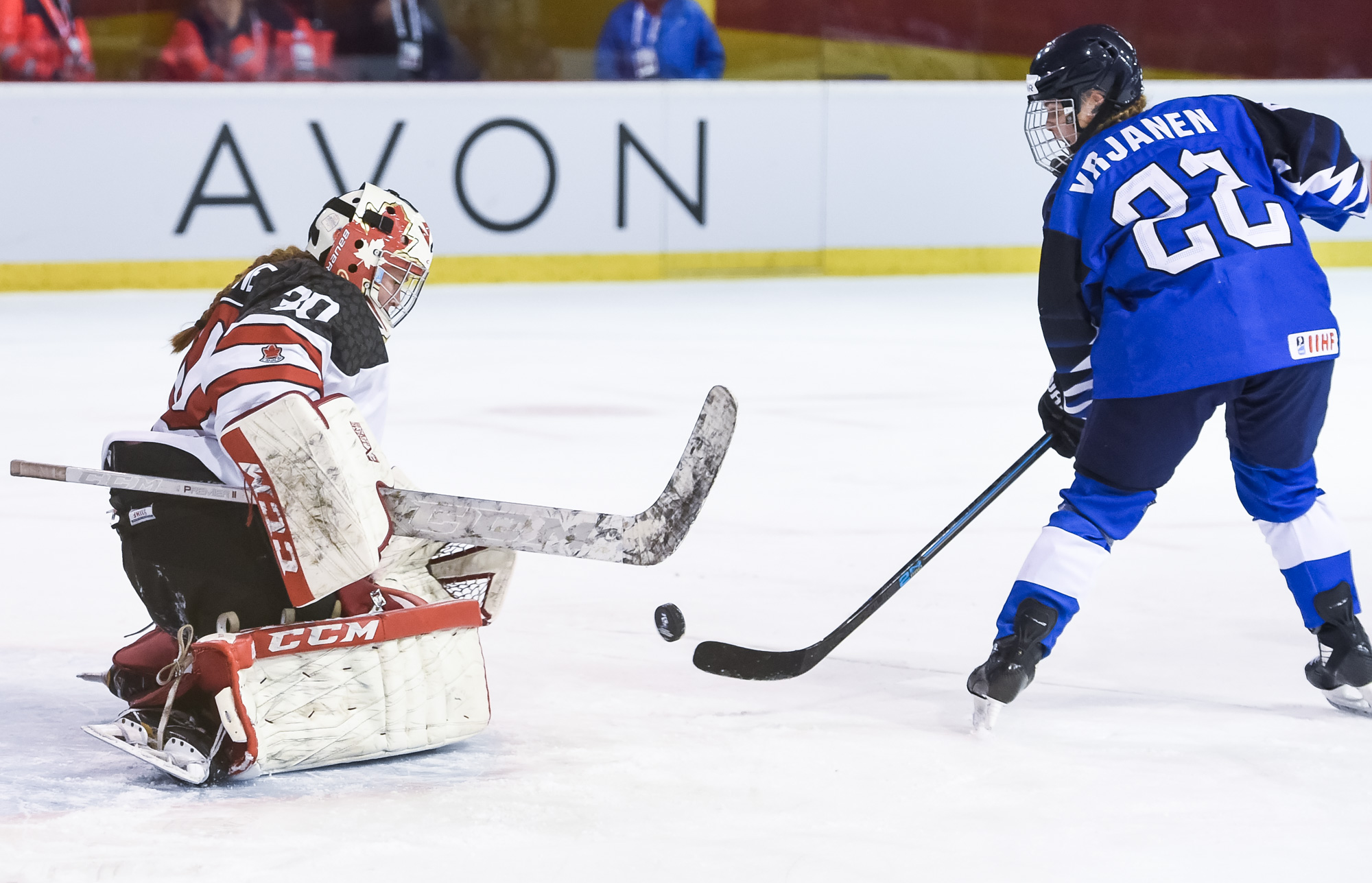 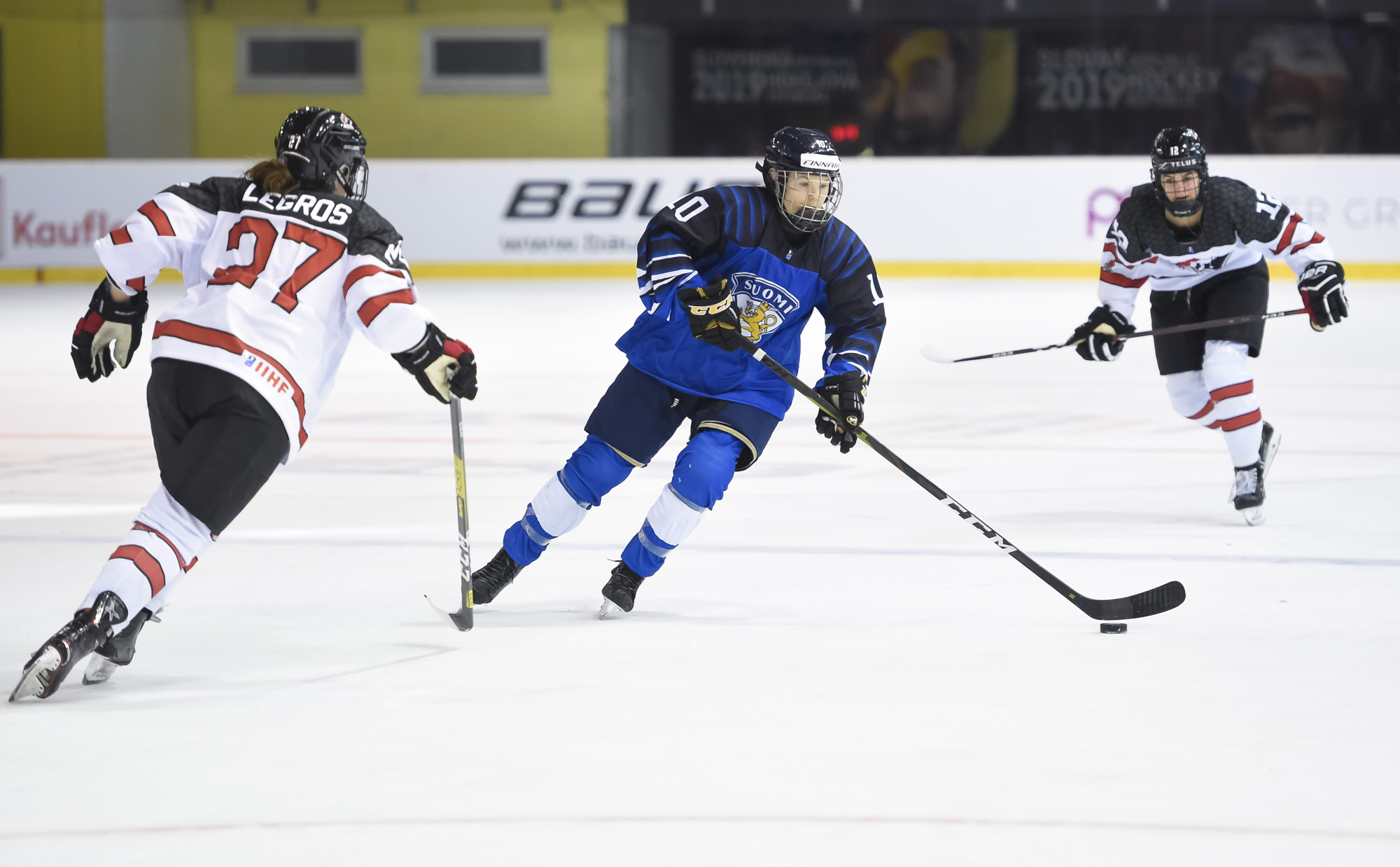 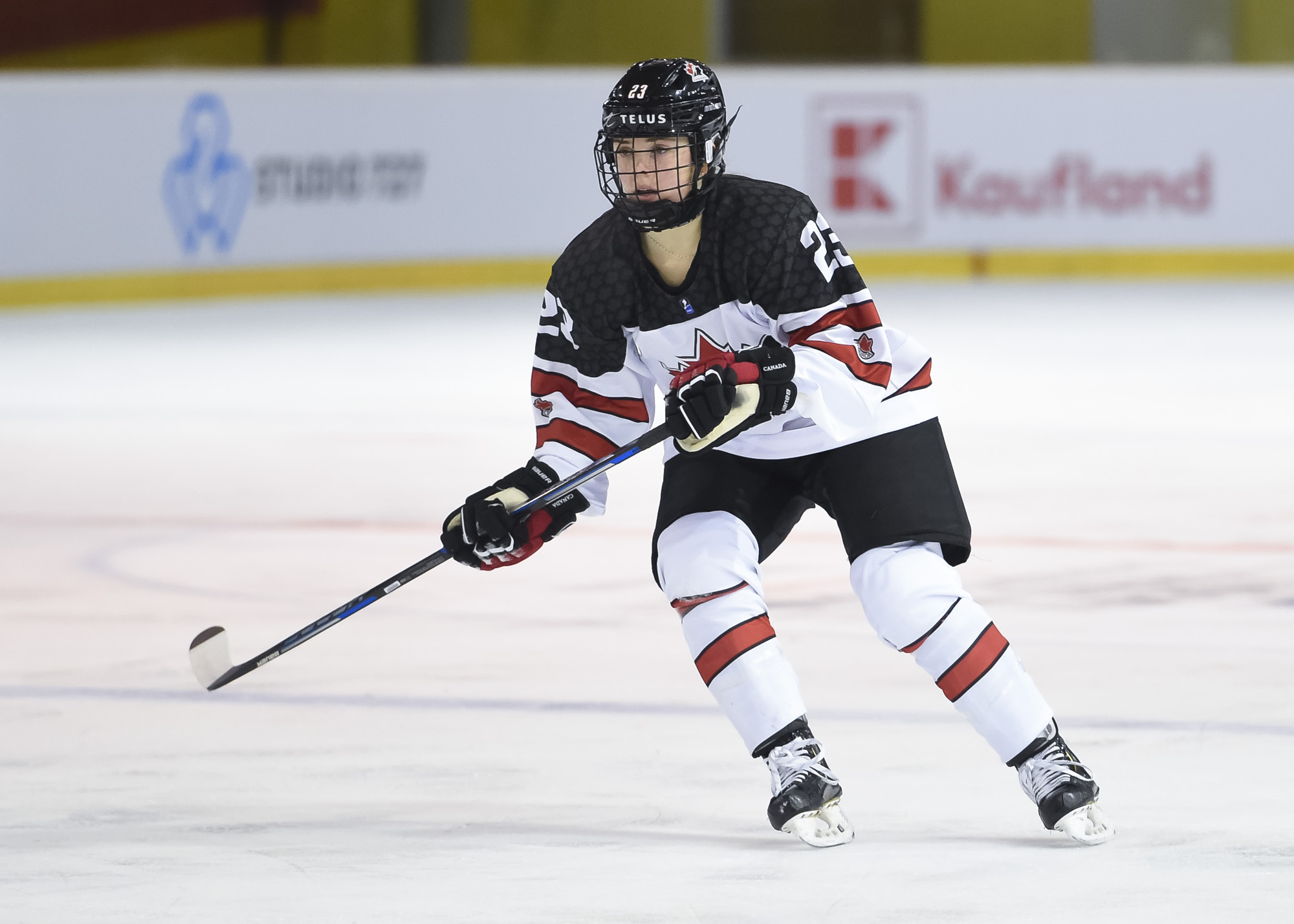 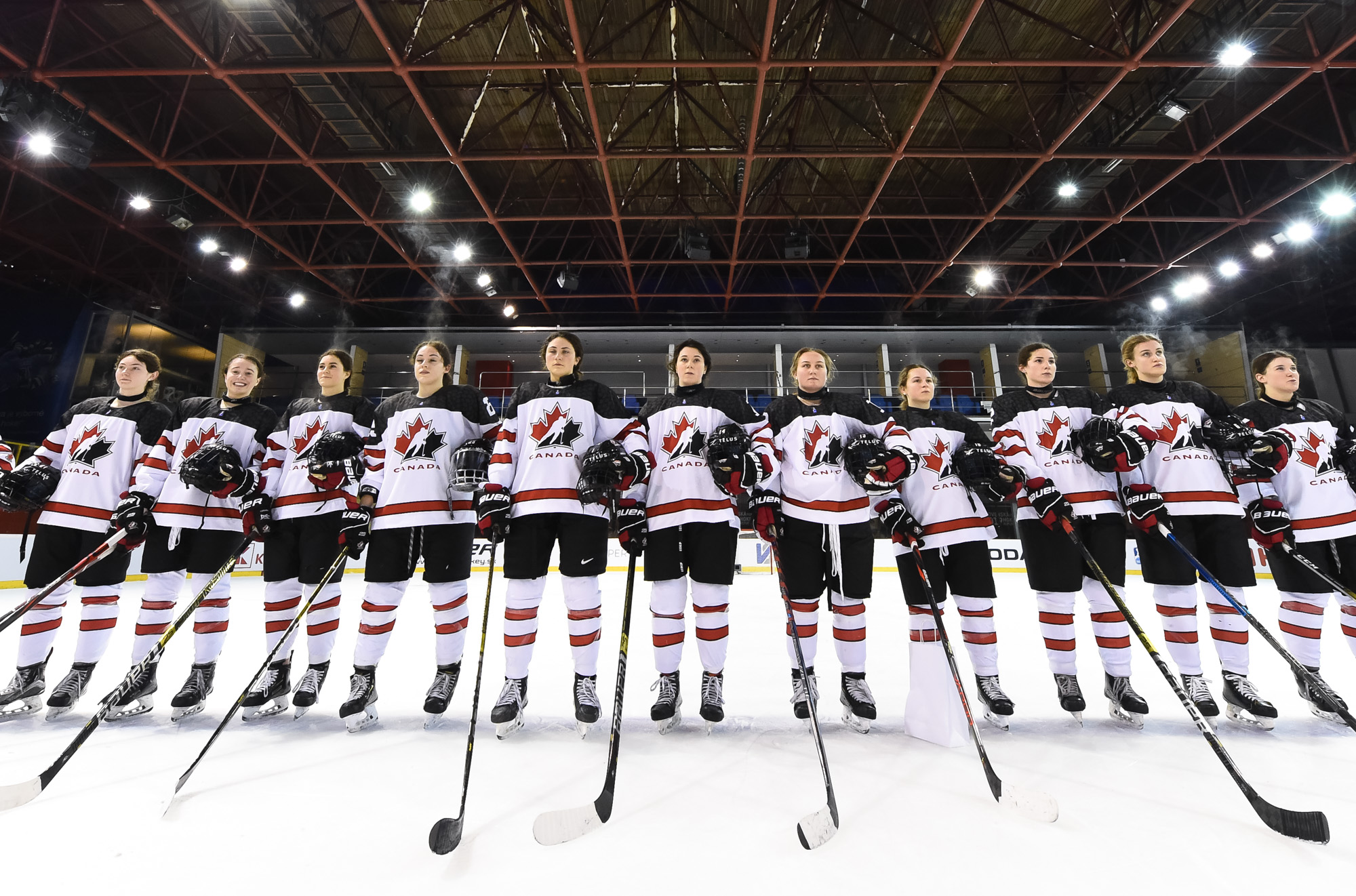 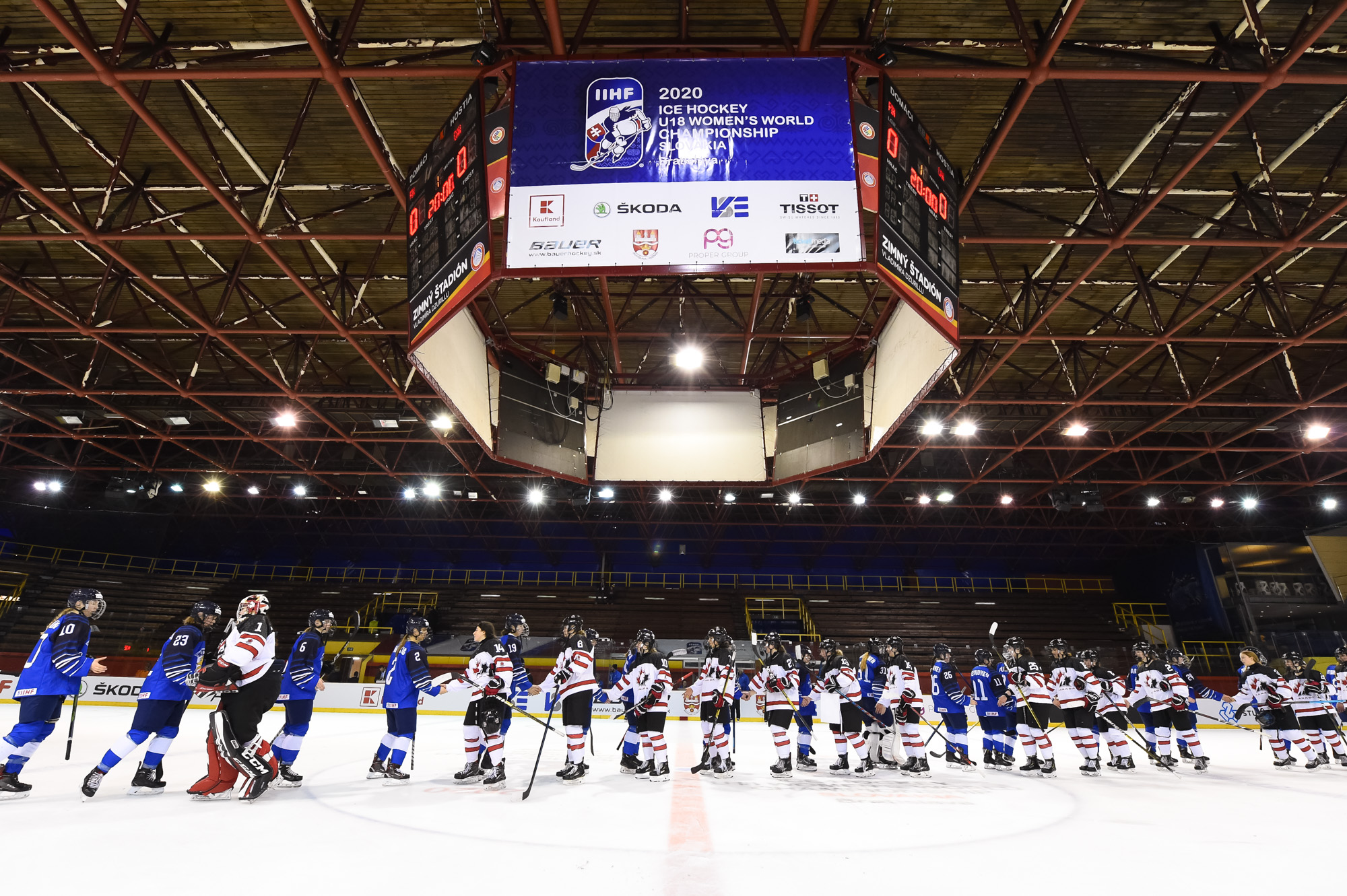 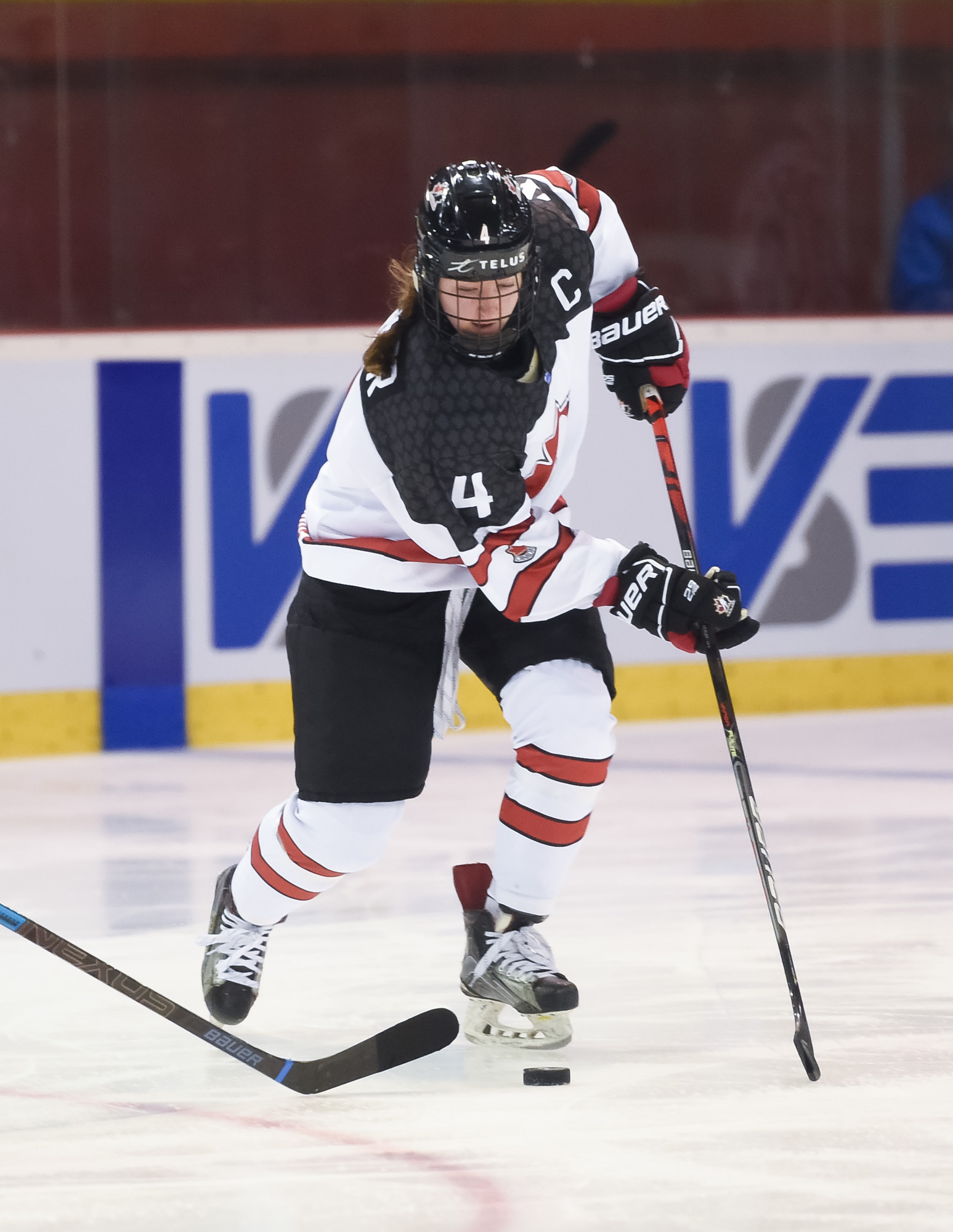 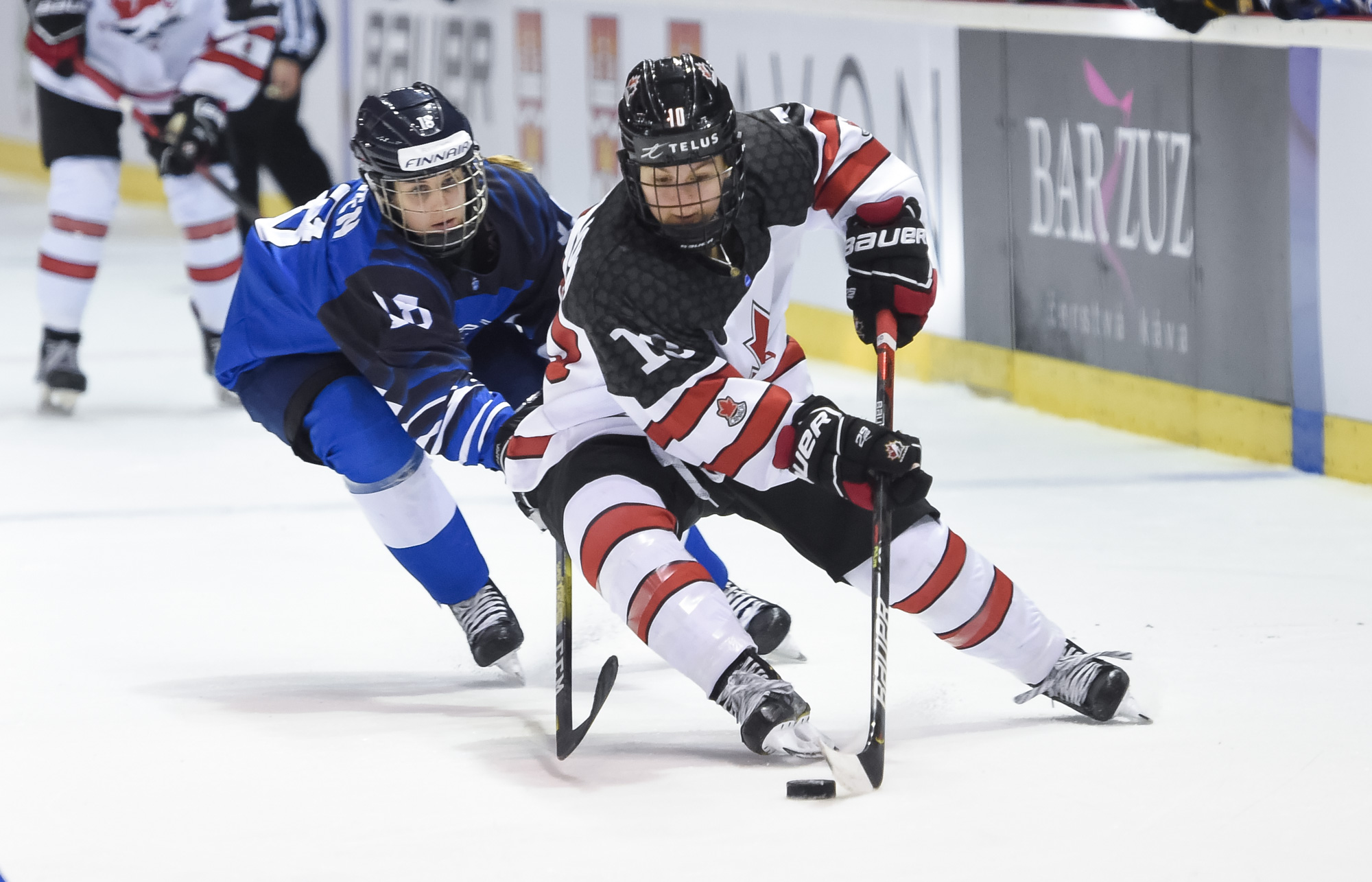 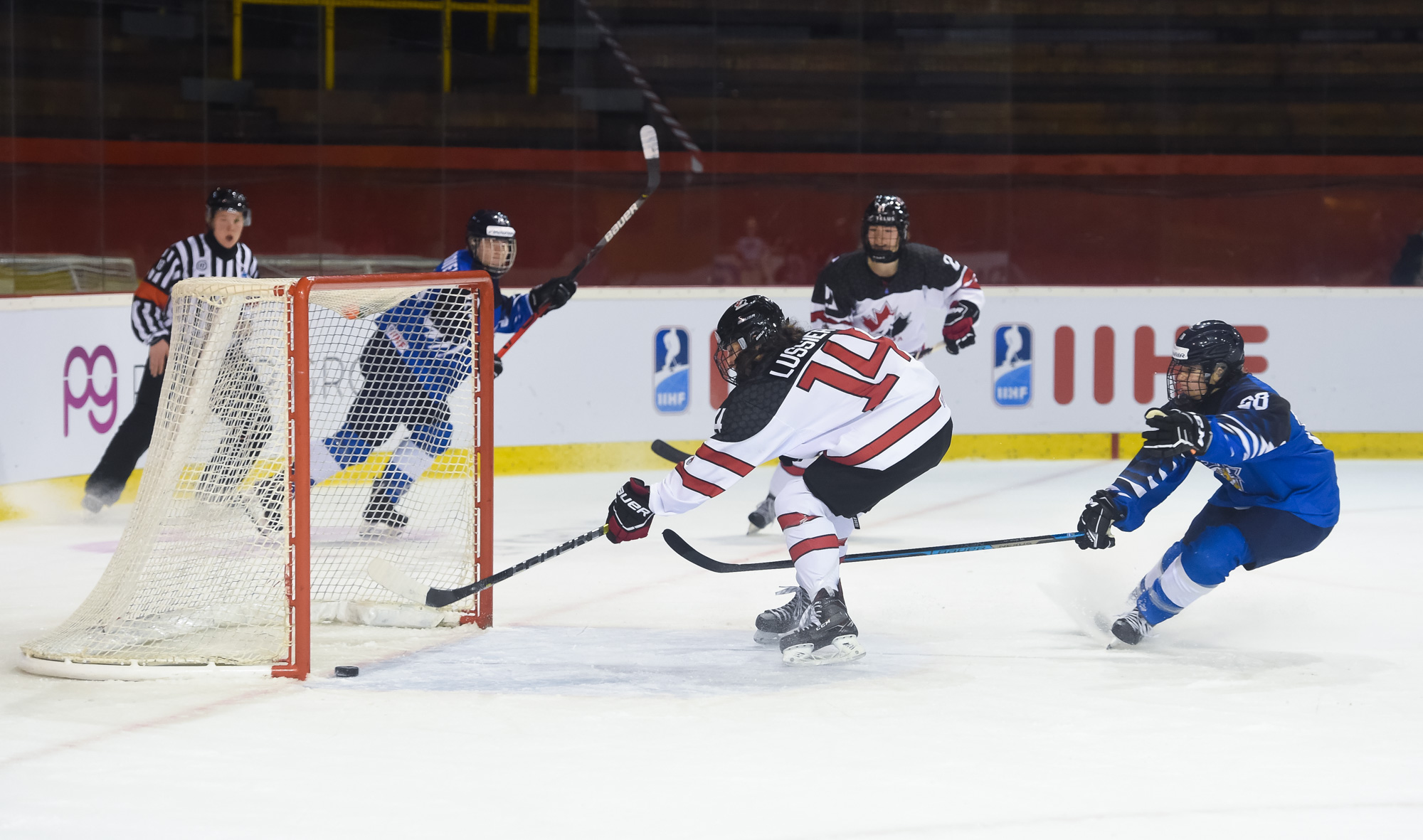 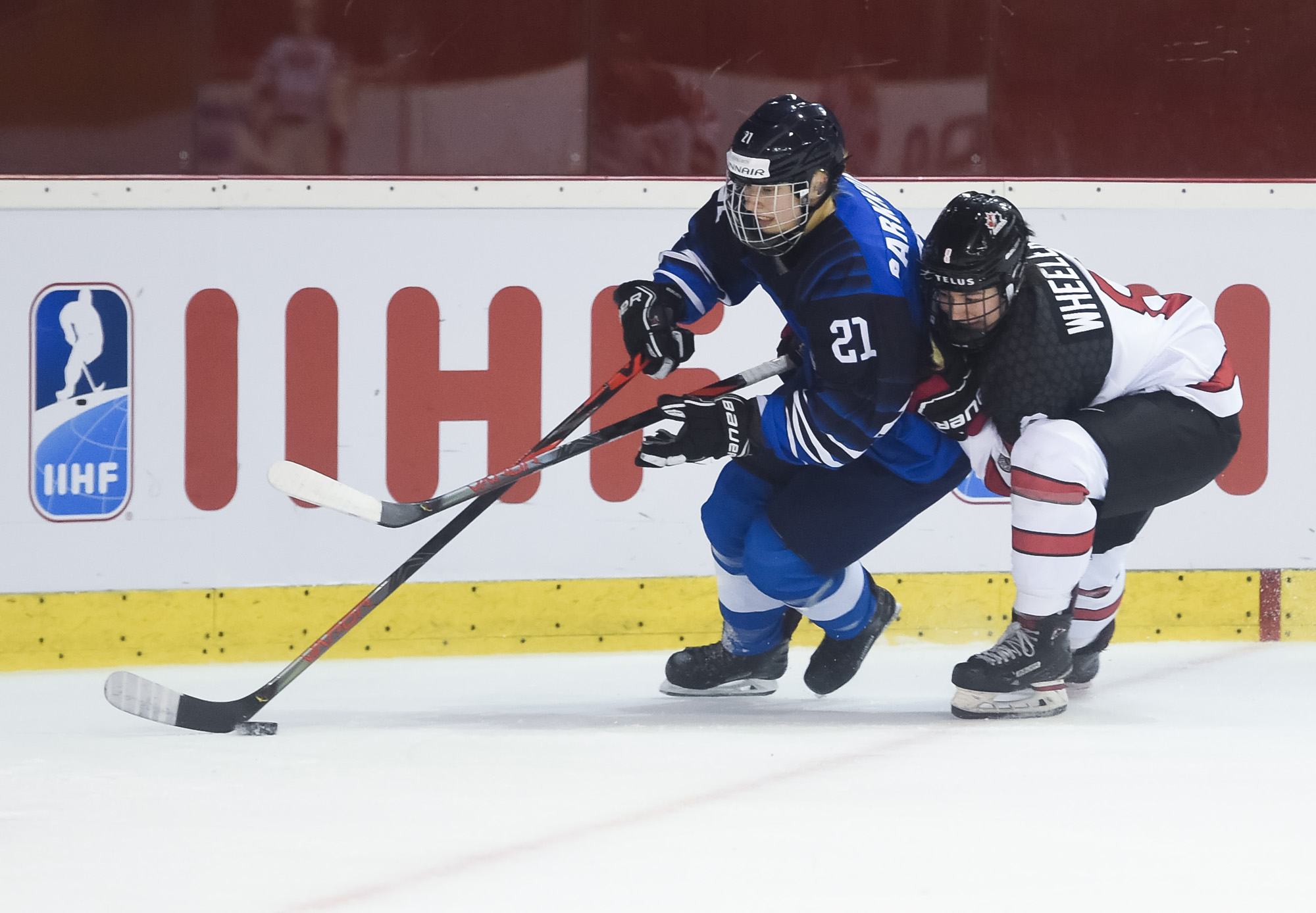 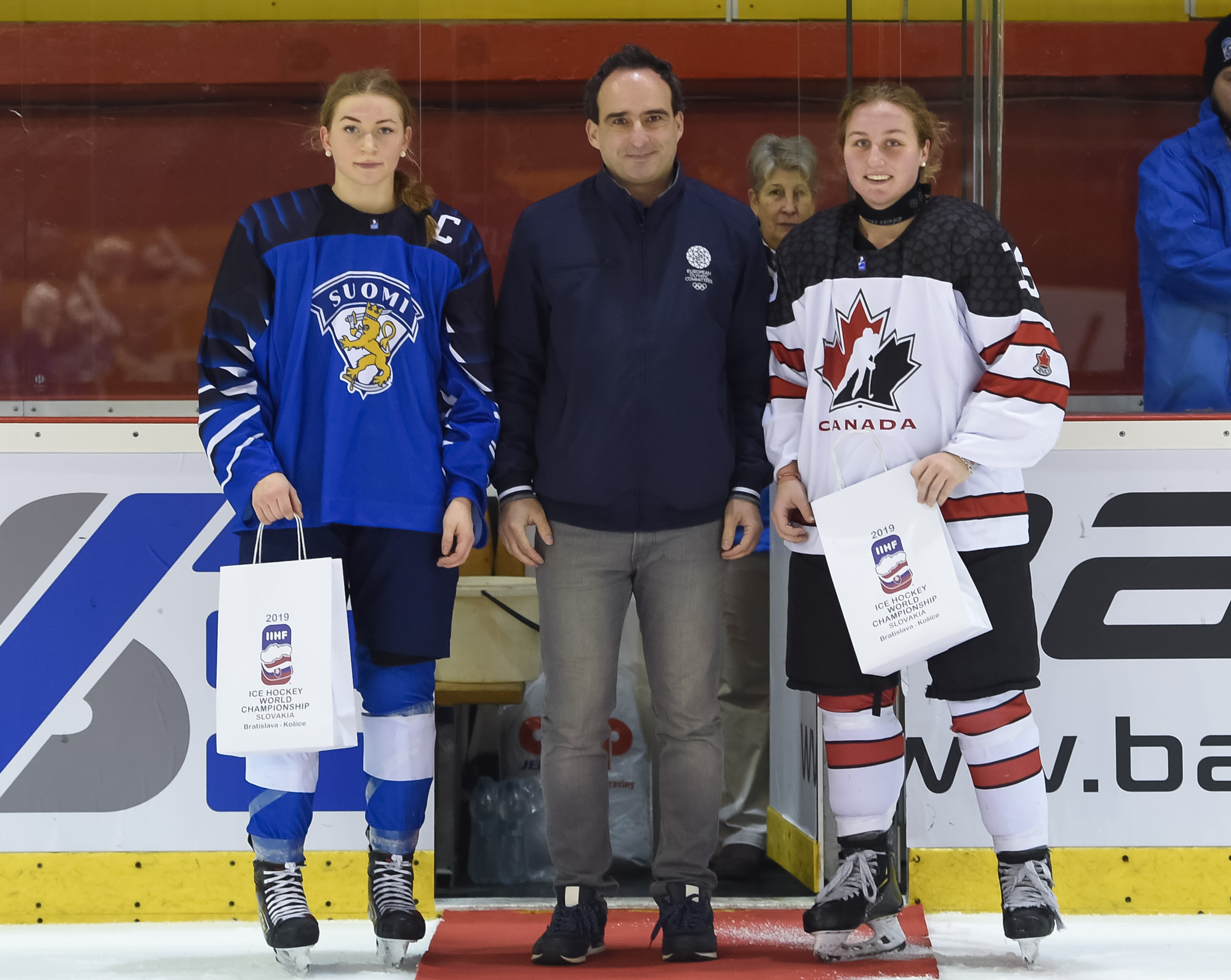 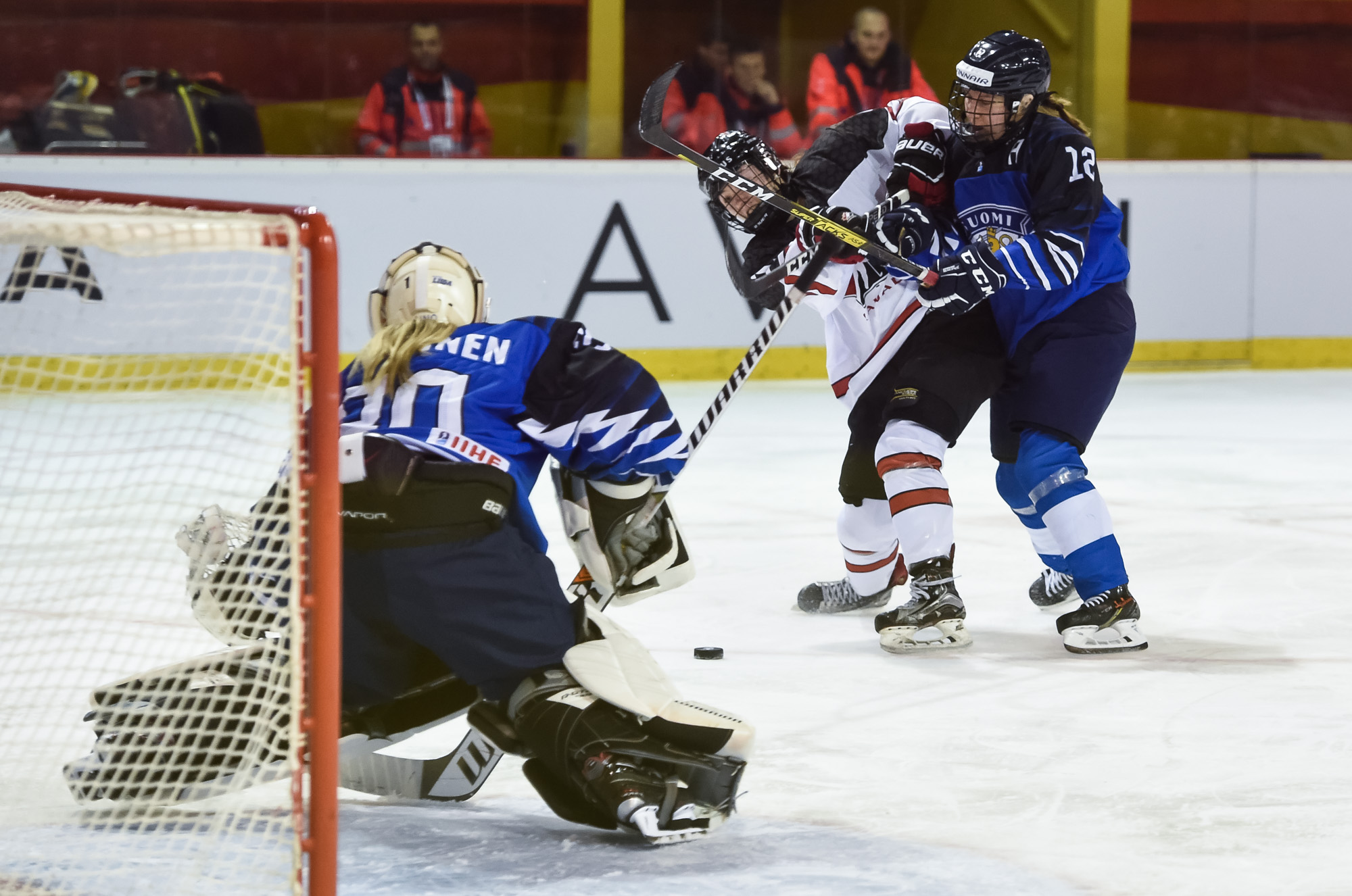 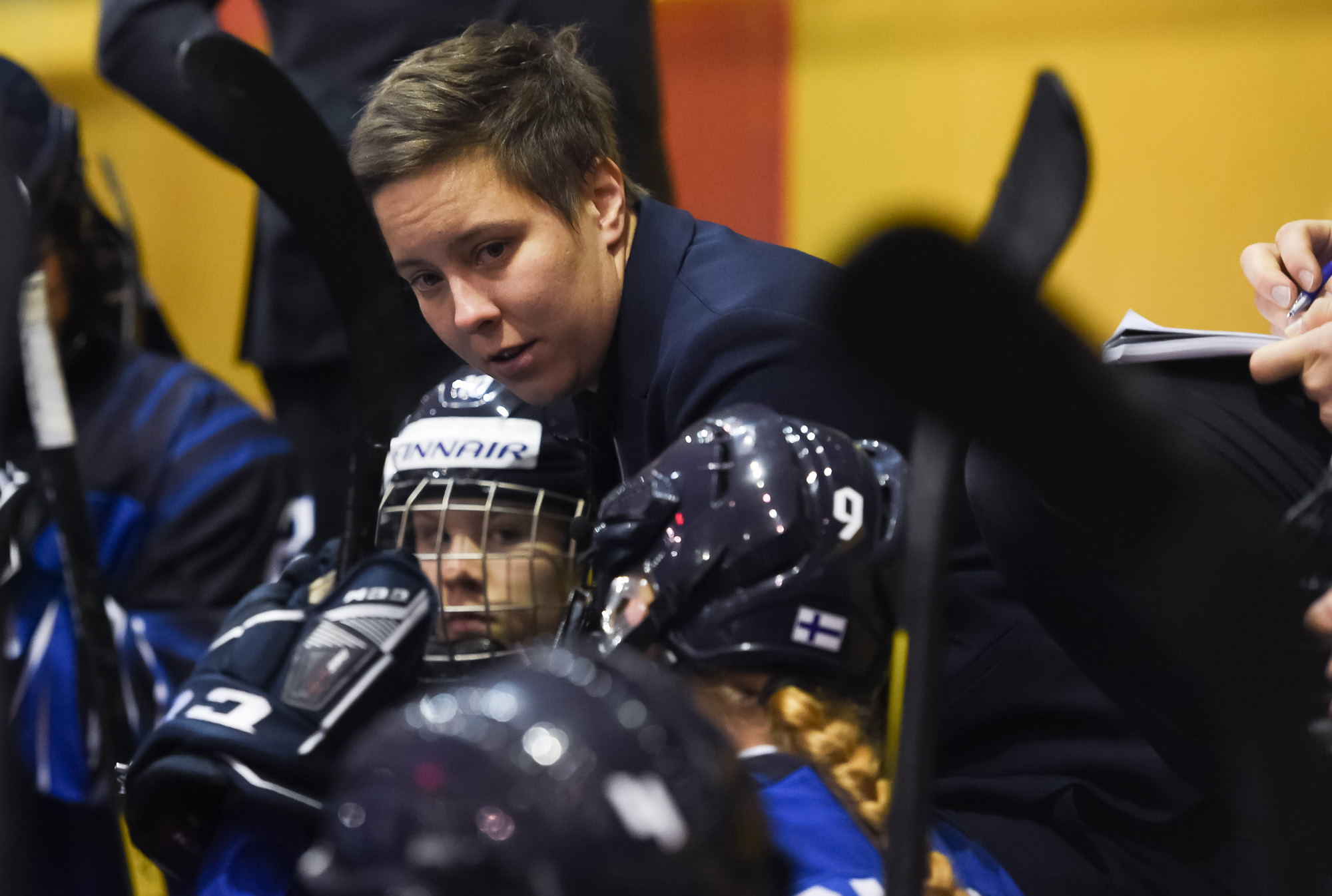 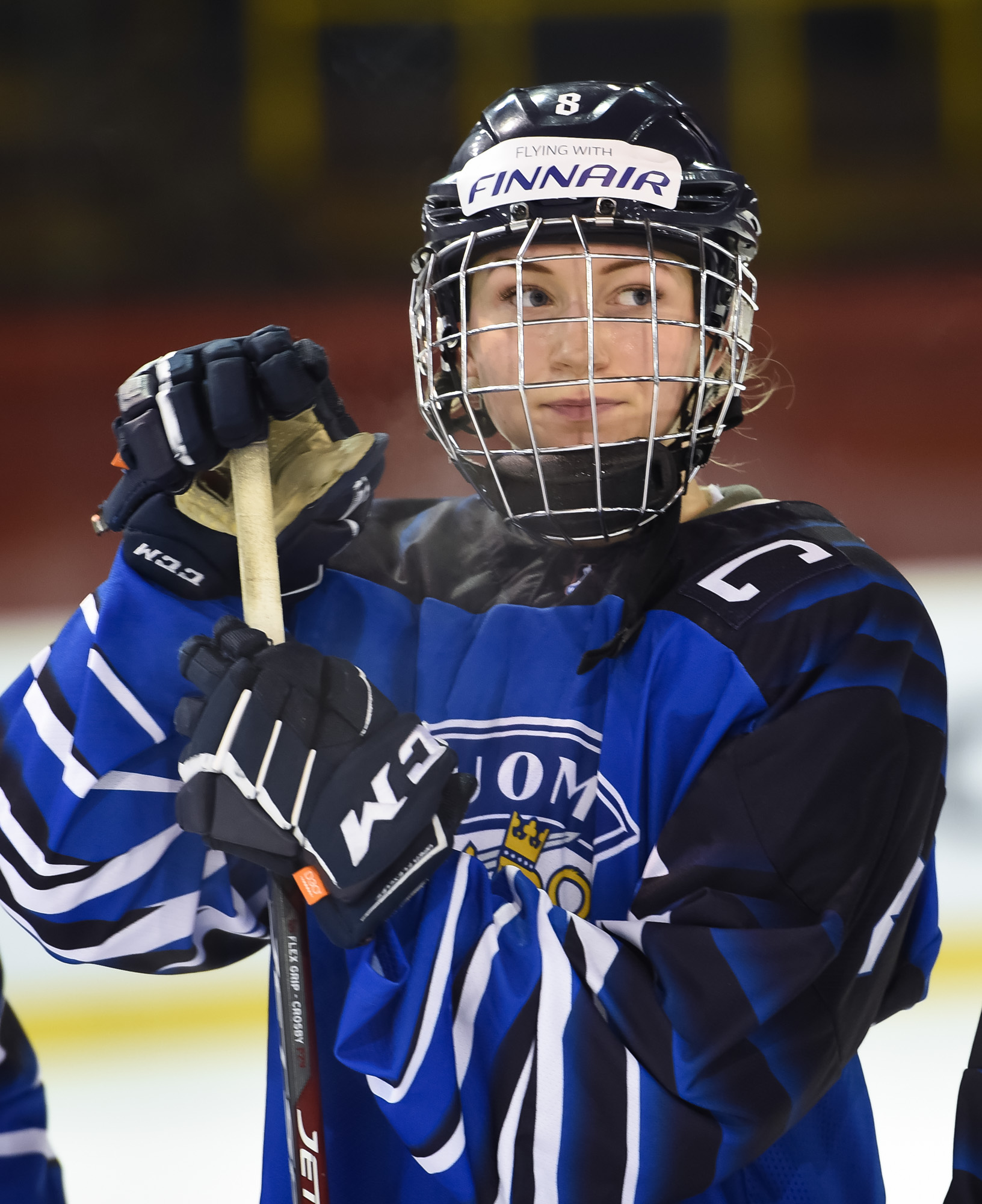