Almost 40 years ago, USA's men's team defeated the Soviet Union in a medal-round game at the 1980 Winter Olympics, a game that is dubbed the Miracle on Ice. This time, it was the Russian U18 women trying to pull off a miracle of their own, facing an American team that had defeated Russia 11 straight times at the U18 women's worlds.

It was not meant to be, despite some great chances for the Russian squad, especially in the second and third periods.

"It was a tough game because Russia is really good," said USA head coach Maura Crowell. "It was a very defensive game, but we had a great third period. We got better and better as the game went. It's a really big win for us and we're looking forward to playing Canada. It's hard to describe the rivalry between the U.S. and Canada, and at the U-18 level we've had unbelievable games over the years. I know our kids are going to be amped up for it."

With just over five minutes to play in the game, with the score deadlocked 0-0, the Americans pulled their goalie to get an extra player on the ice as the referee had her arm up for a delayed penalty against Russia. Webster circled with the puck in the offensive zone, made a beautiful cross-ice pass to Huber in the far faceoff circle, and Huber did the rest with a quick wrist shot that eluded Russian goaltender Yulia Volkova.

Volkova was busy throughout the contest, making 24 saves as the Americans outshot the Russians 25-20. Among her best was stopping Huber earlier in the third period with a quick glove save.

Russia had its chances, none better than at the four-minute mark of the third, when Irina Zhigulina went in on a partial breakaway on USA goaltender Amanda Thiele. Zhigulina took the puck in on her backhand and tried to lift the puck over Thiele, but the goaltender made the save.

The Americans controlled play in the first and it looked like they would handle the Russians with relative ease, firing 11 shots at the Russian net while allowing just six shots against.

The second period was much more even than the first, with the two teams trading glorious scoring chances.

Volkova made two great saves on Webster of the United States around the 13-minute mark of the period. A few minutes later, Russia's Anna Sviridova blasted a shot from the point but was stopped by Thiele.

Then, in the dying seconds of the period, Clara van Wieren found herself all alone in front of the net, puck on her stick and a seemingly empty net to shoot at. Somehow, Volkova got her glove over and got a piece of the puck to keep the game scoreless.

The United States improved to 2-0 at the tournament and will take its perfect record into the final day of preliminary-round play on Sunday. The Americans will take on Canada to close out Group A preliminary-round action and the winner of that game will finish atop the group. The US currently has six points on the strength of two regulation wins, while Canada has five points due to a regulation win and one overtime victory.

Sunday's showdown is the latest in the storied USA-Canada rivalry. The two teams have met in 11 of the 12 gold medal games at this tournament, with the Americans holding a 6-5 edge in championships. 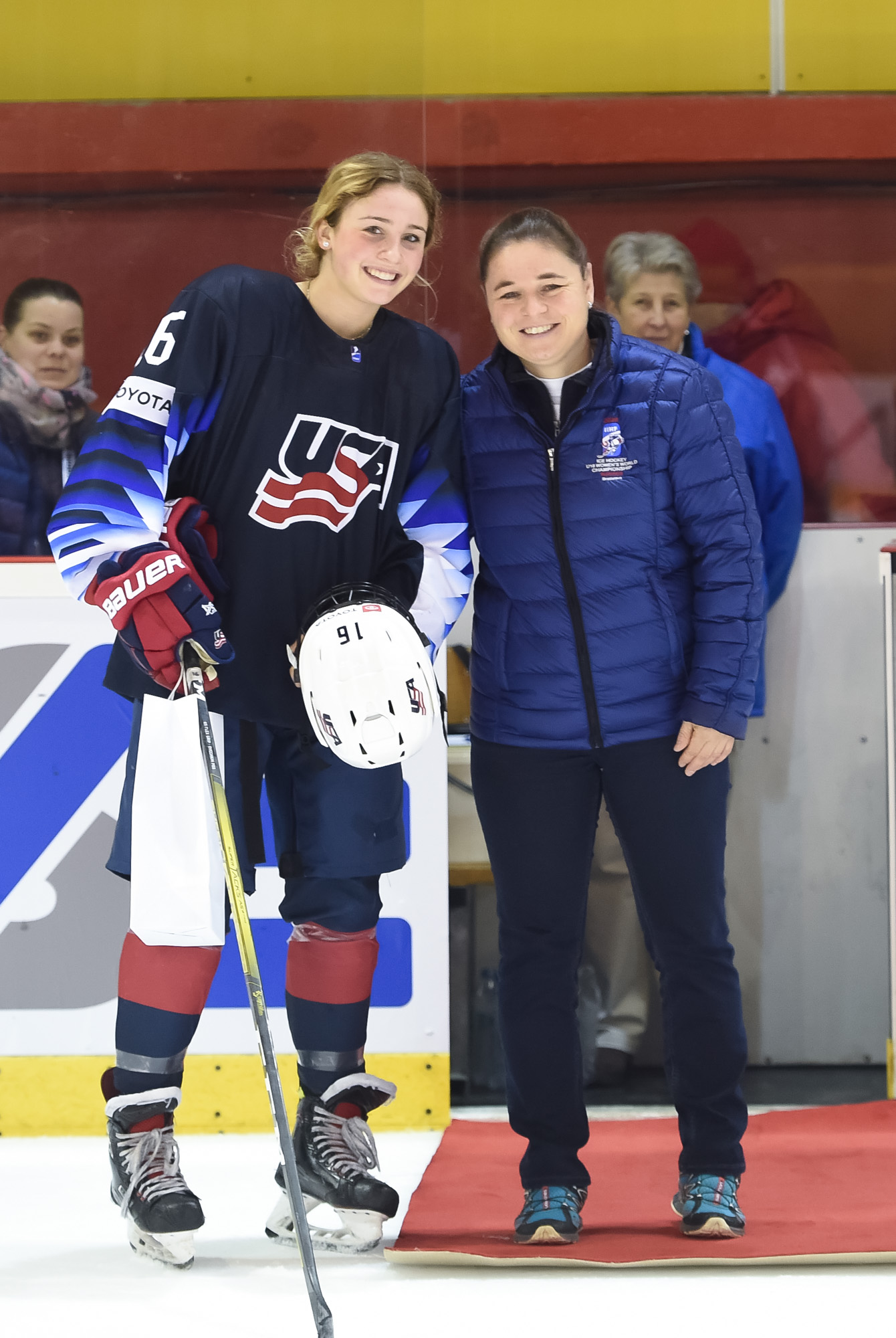 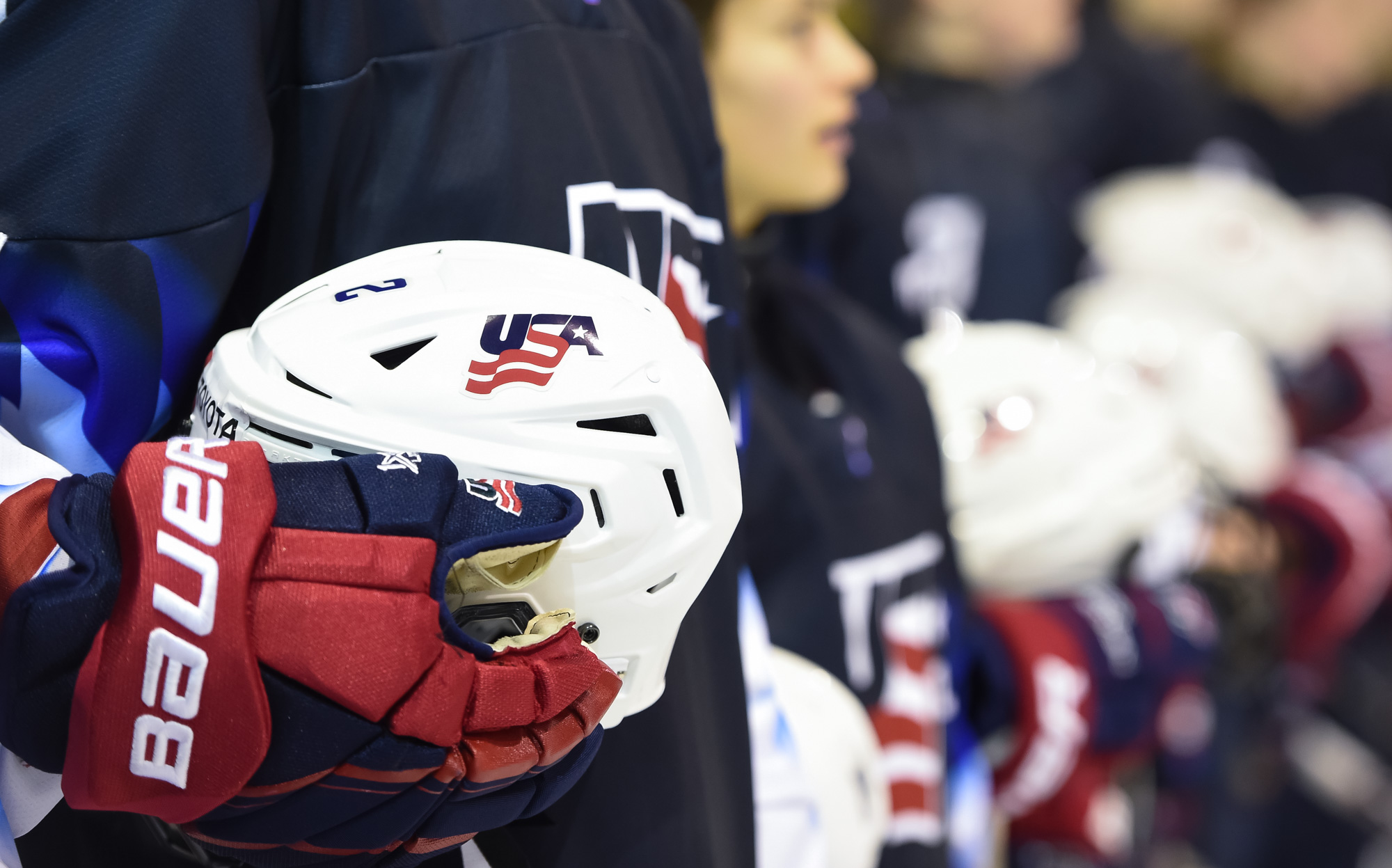 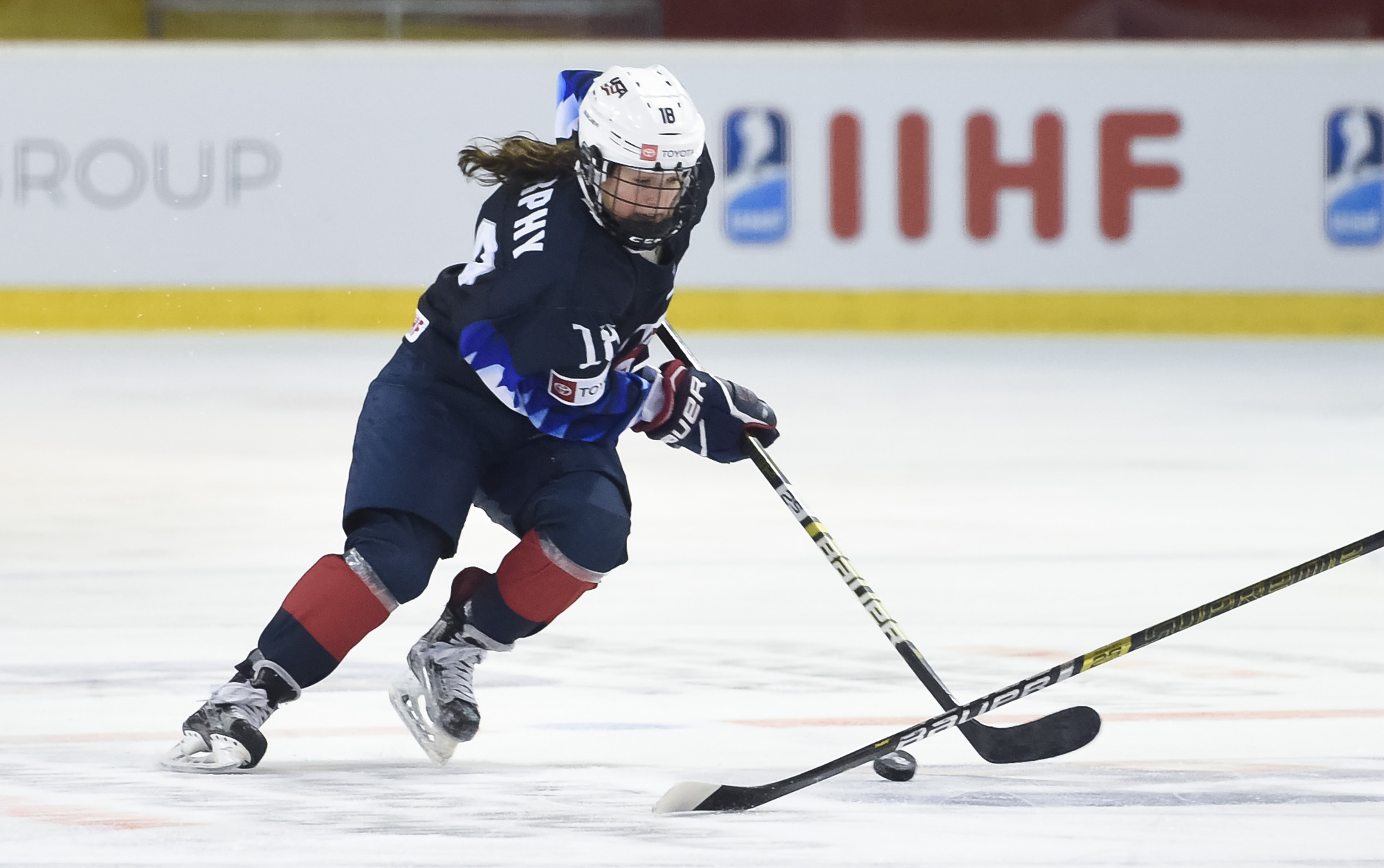 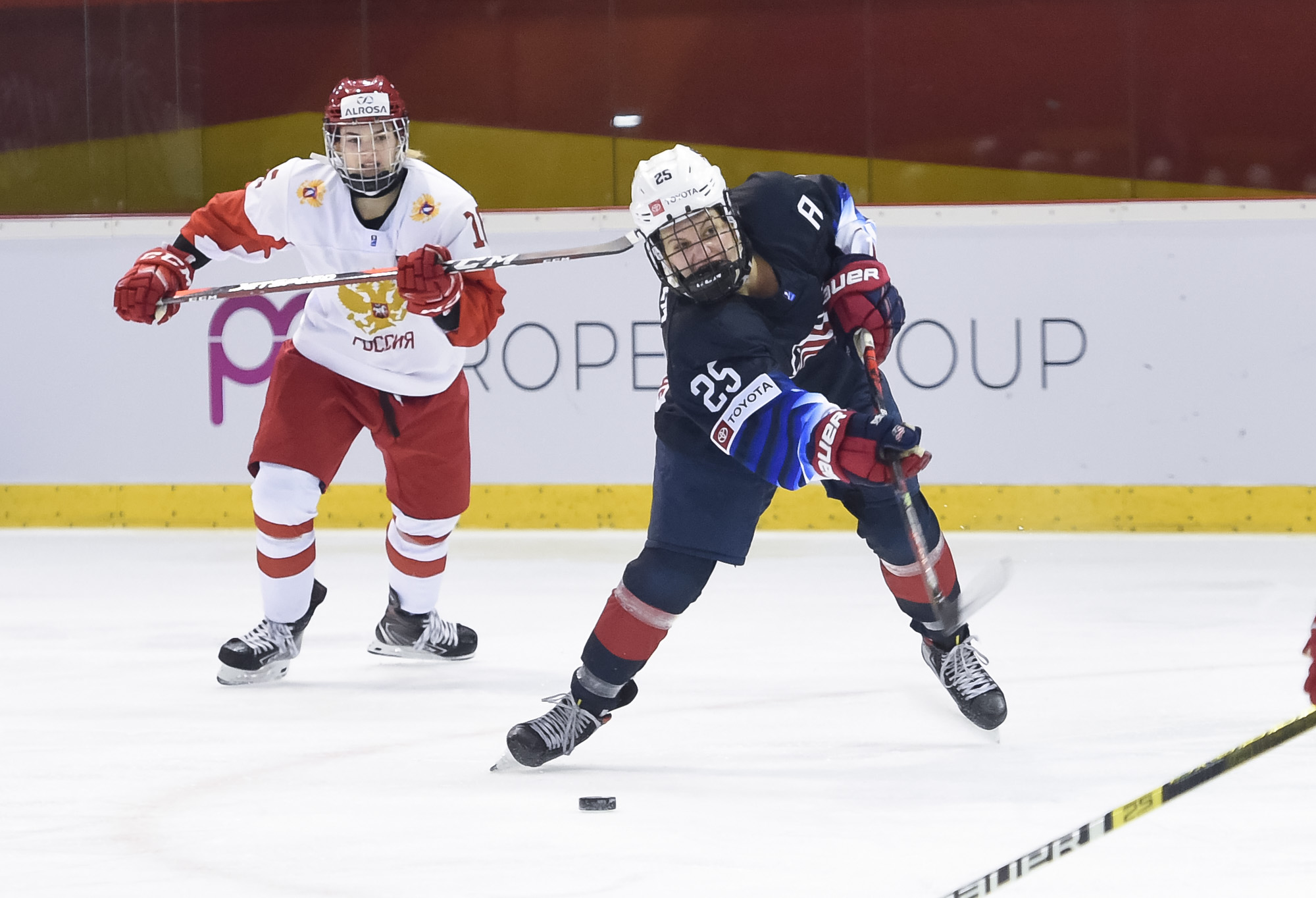 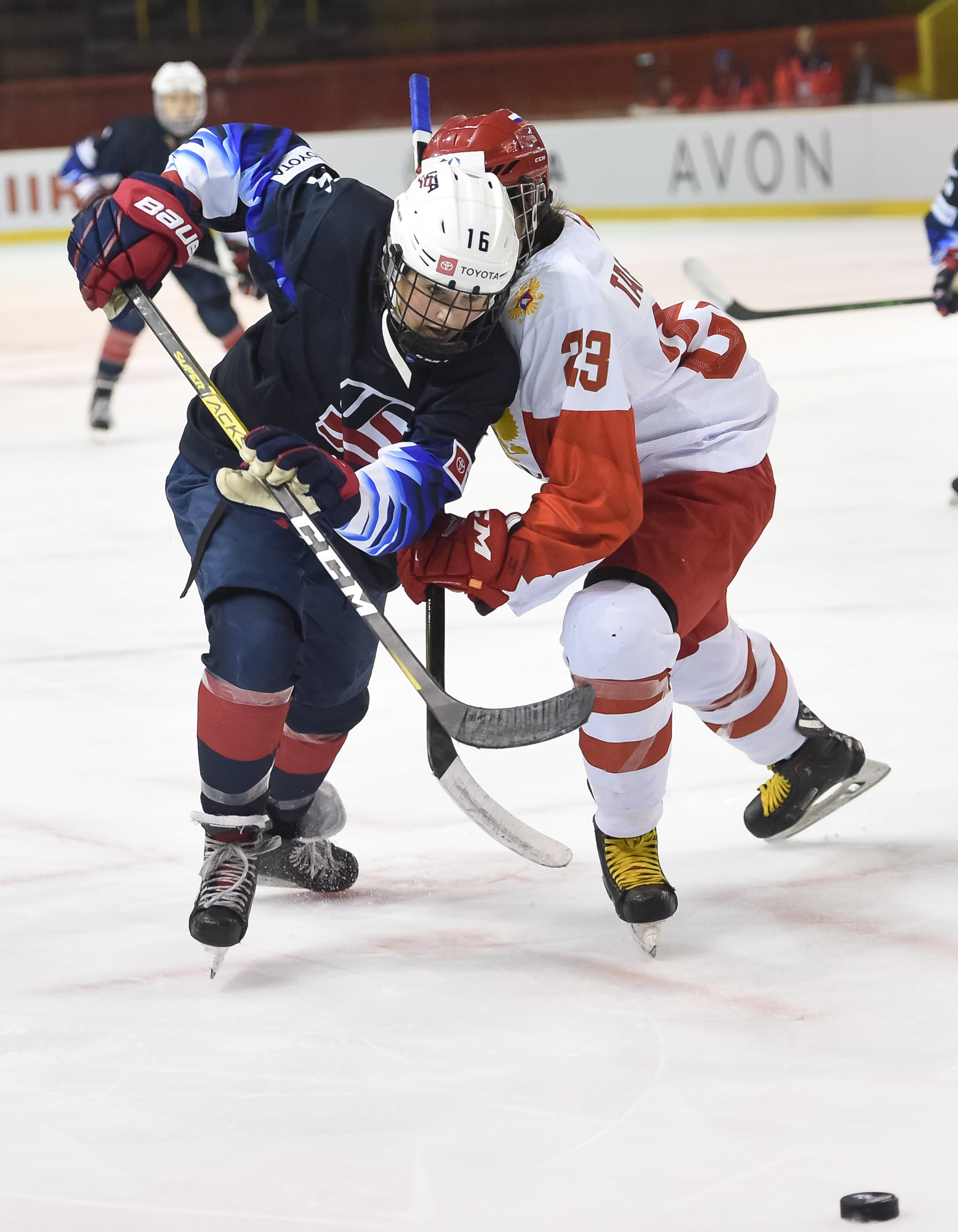 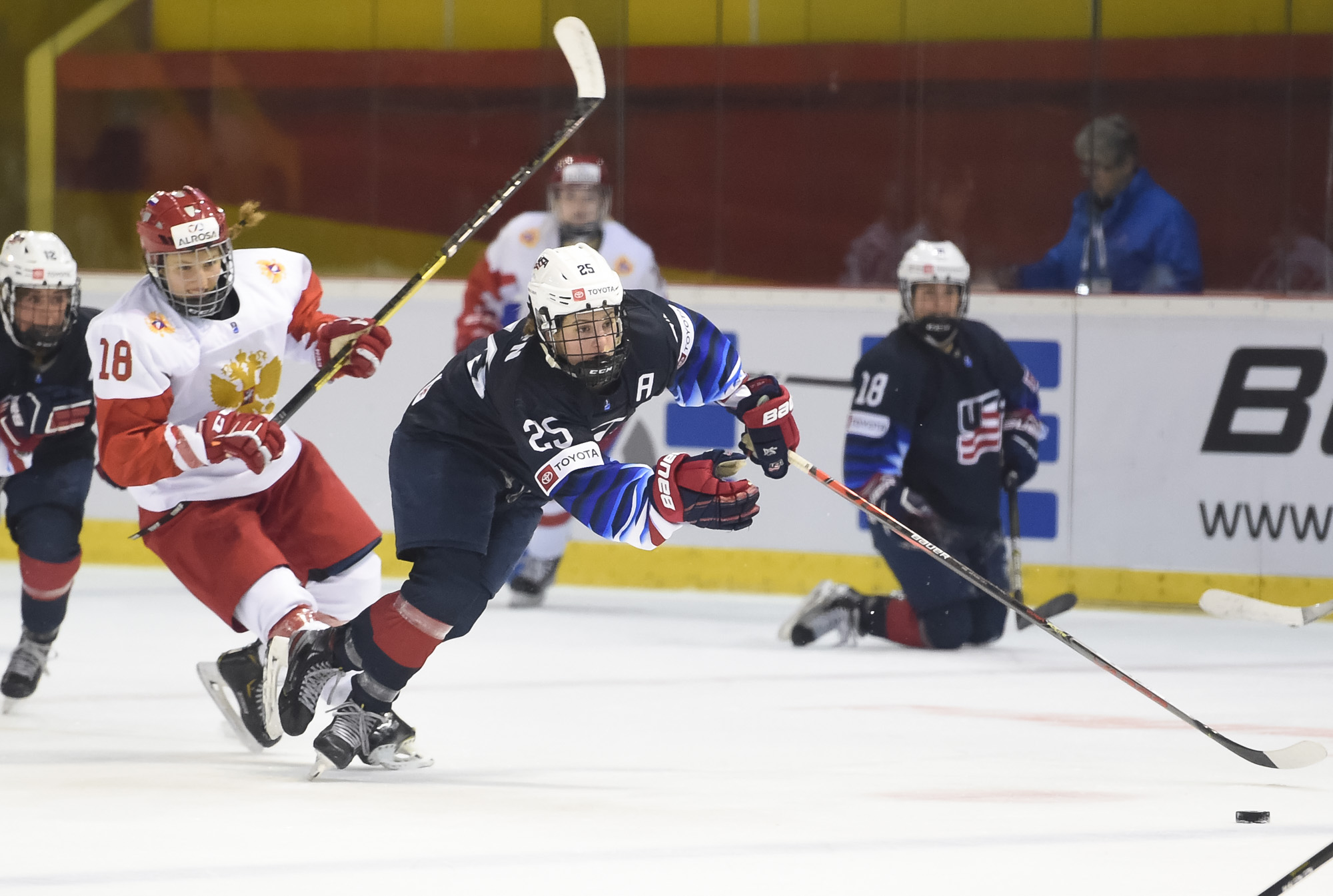 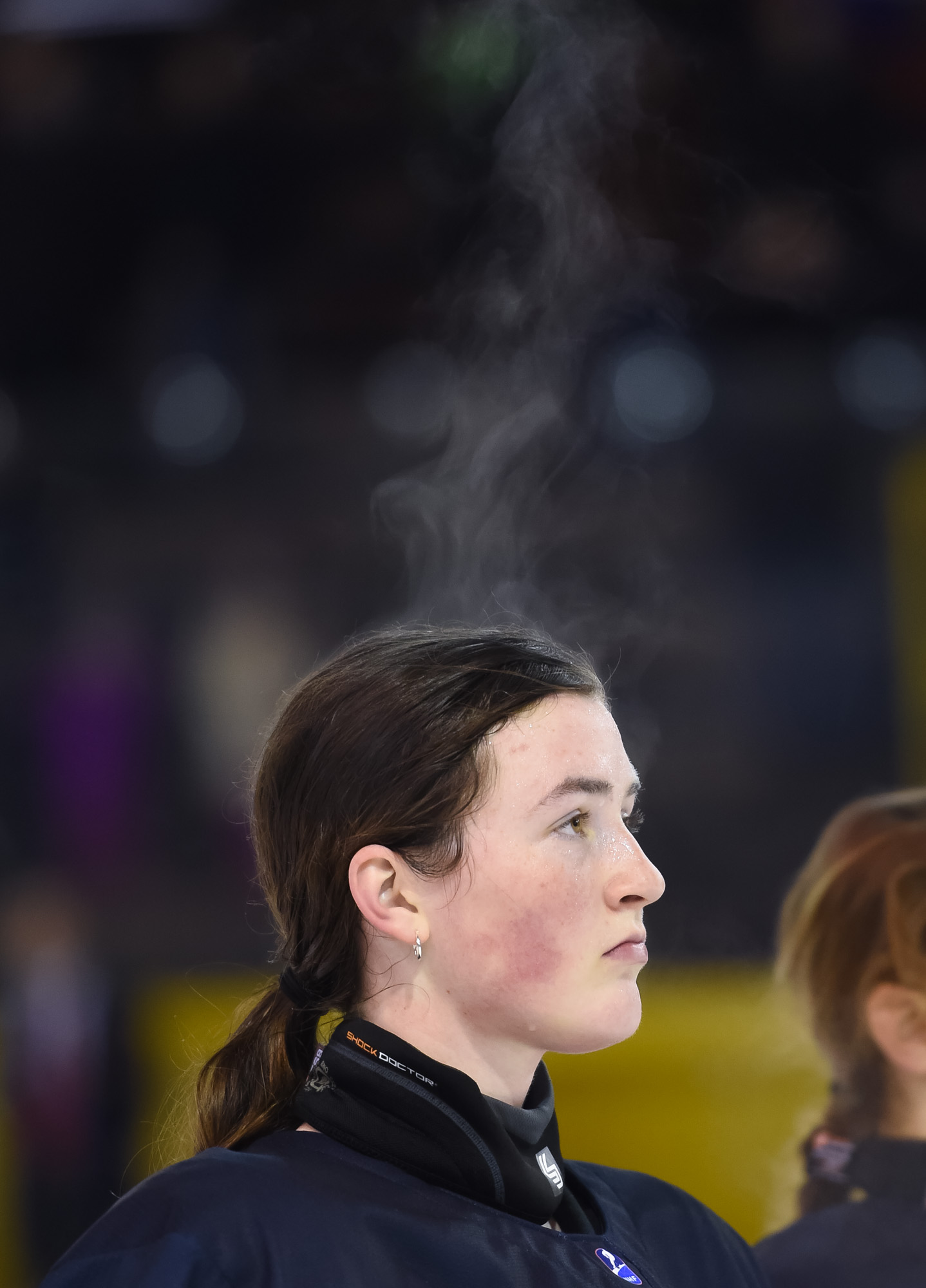 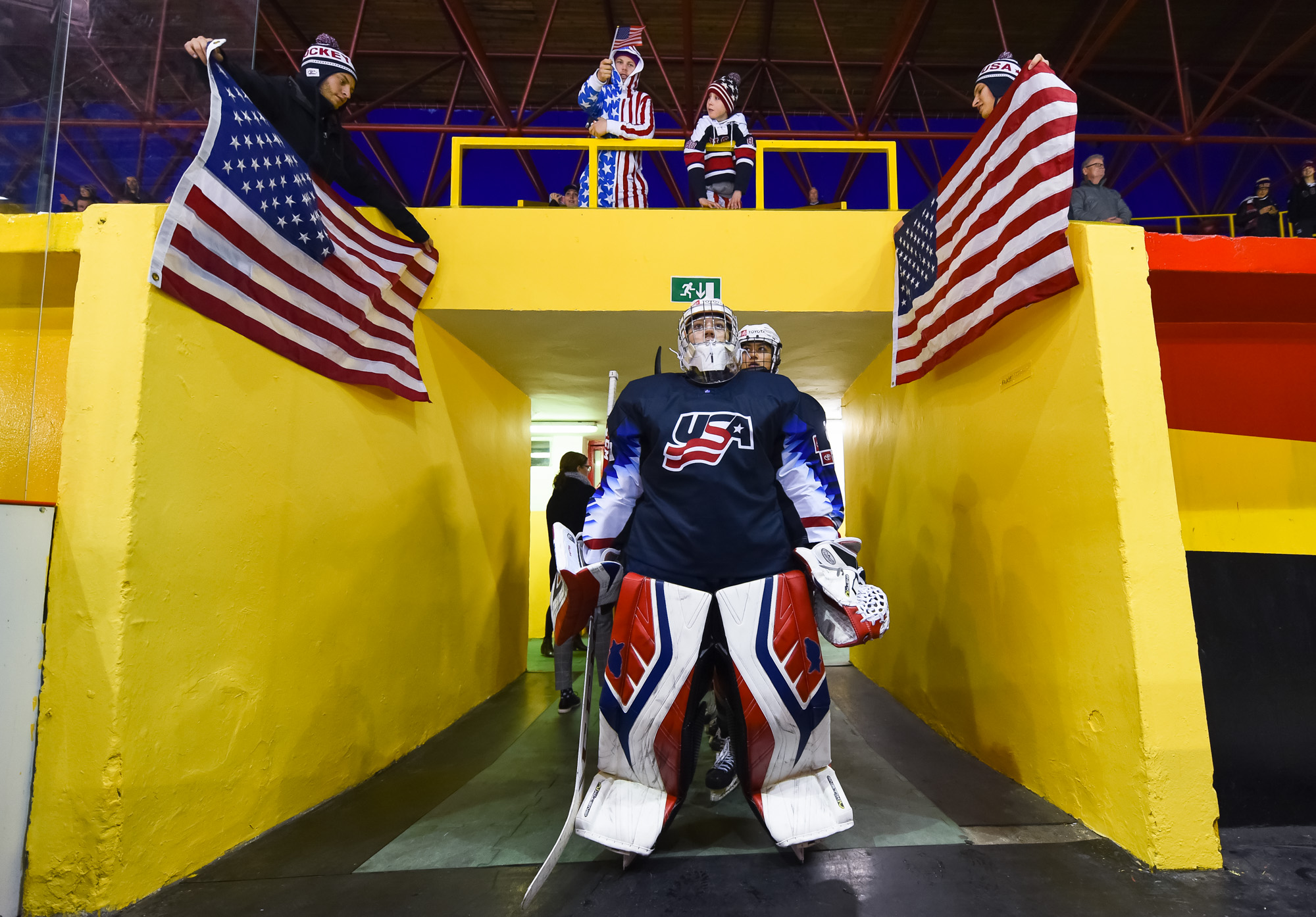 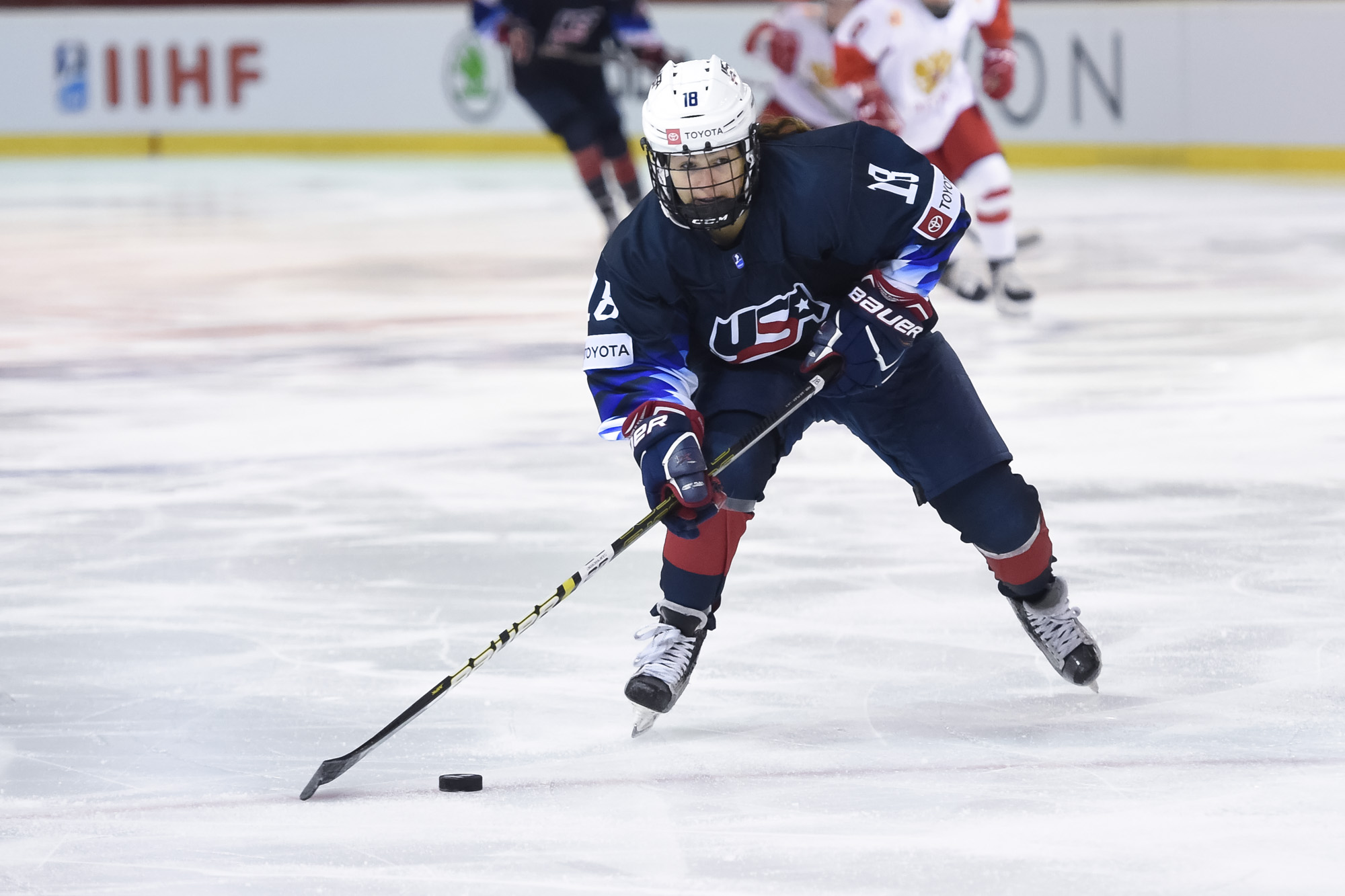 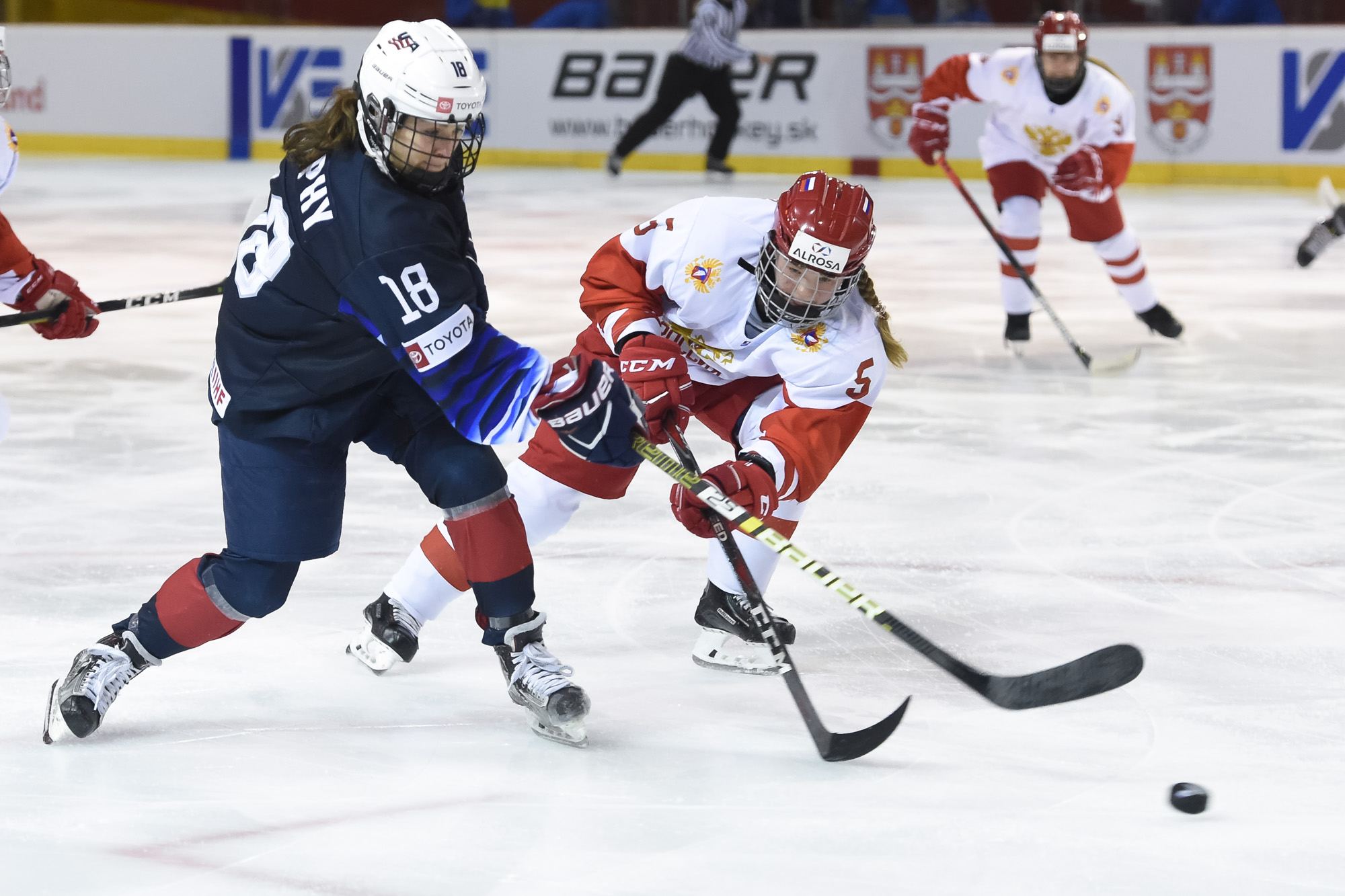 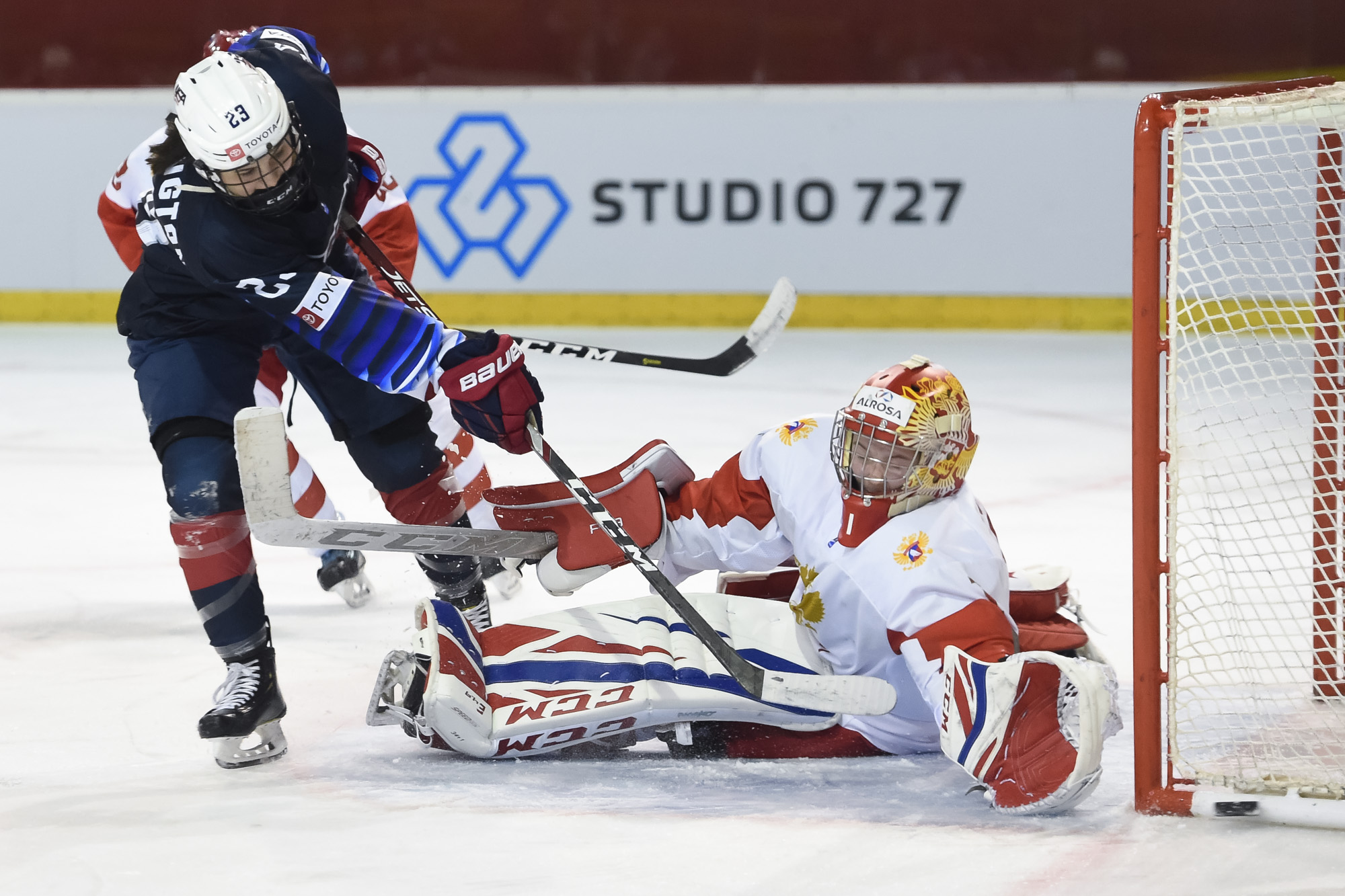 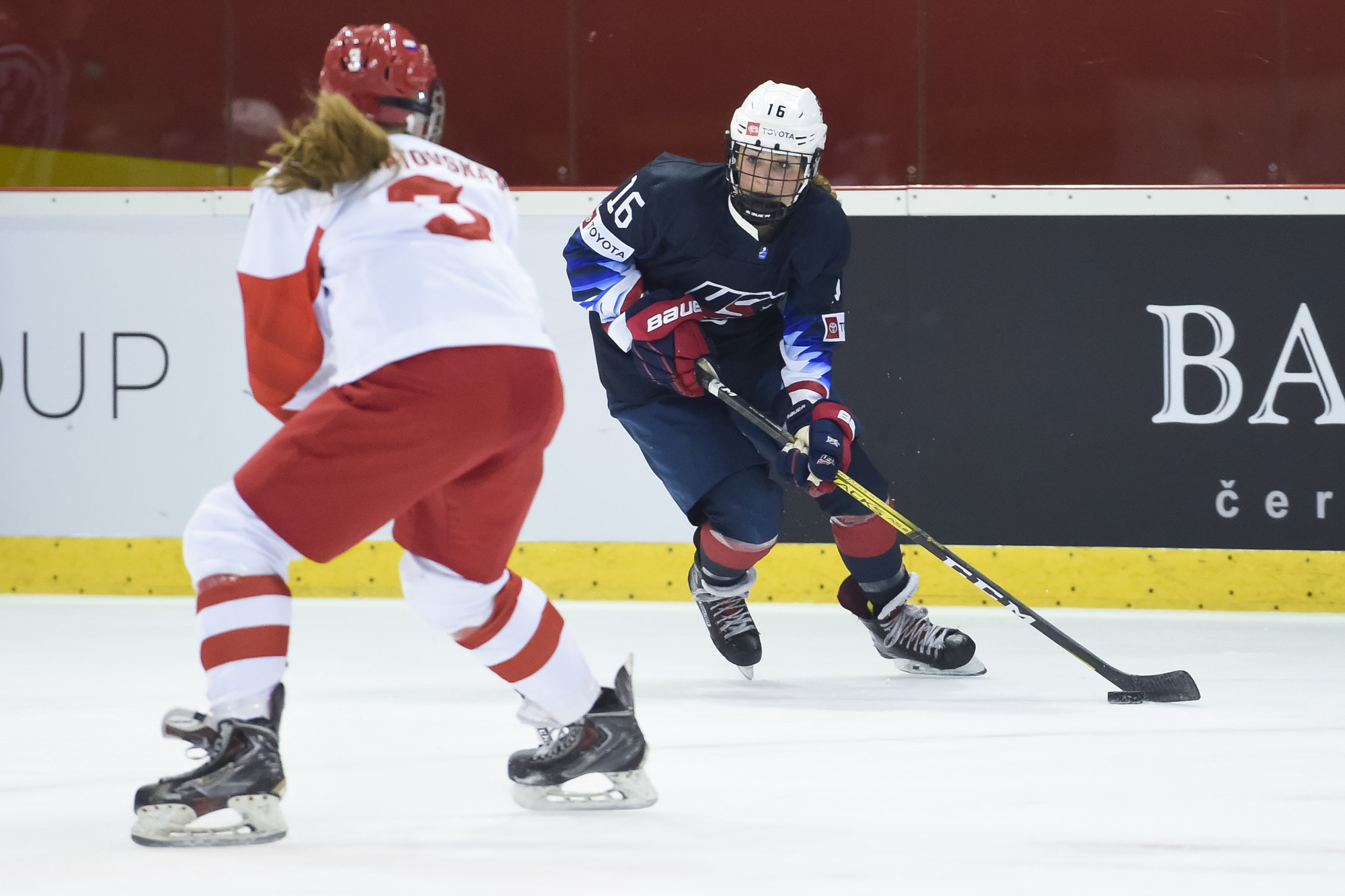 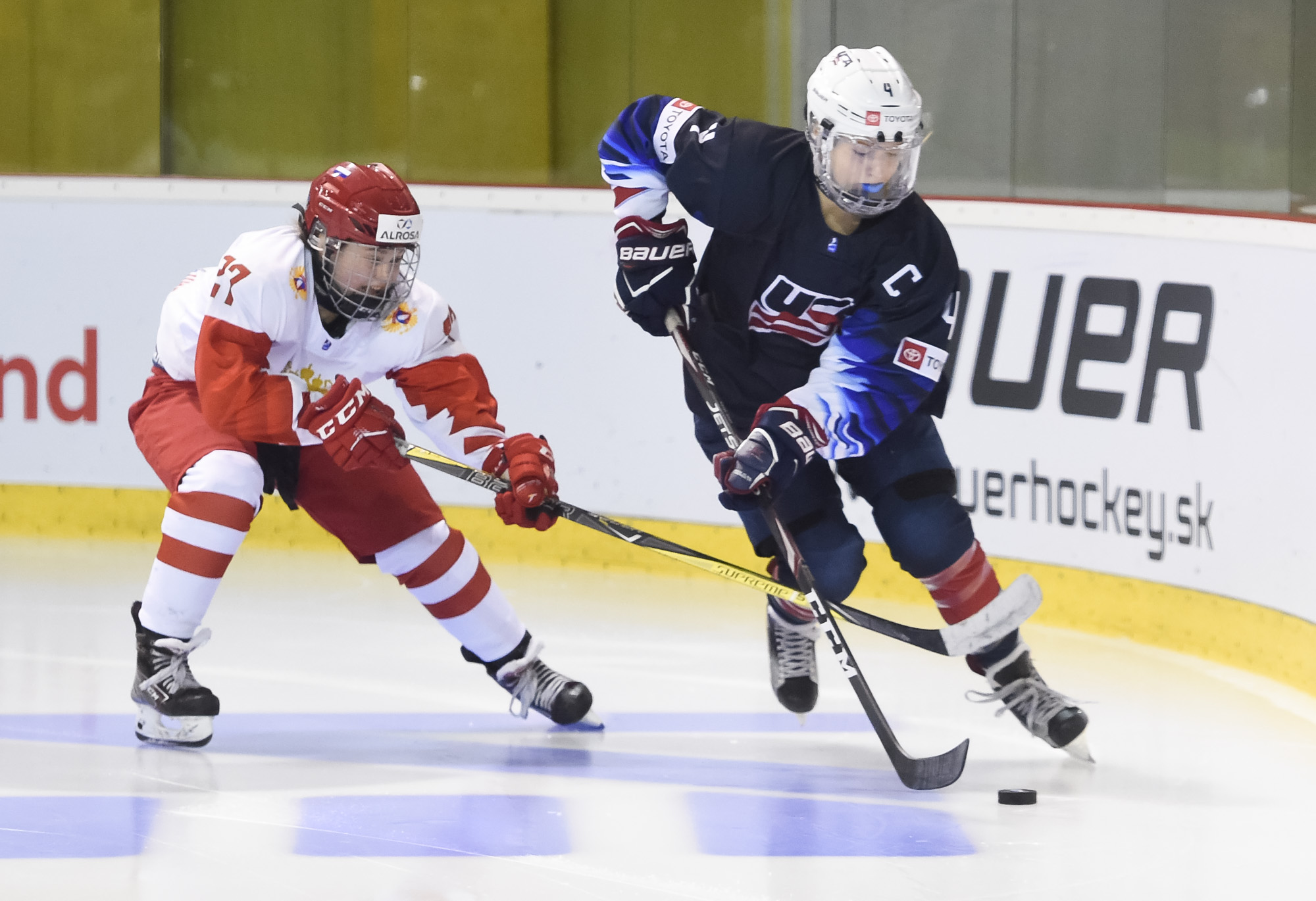 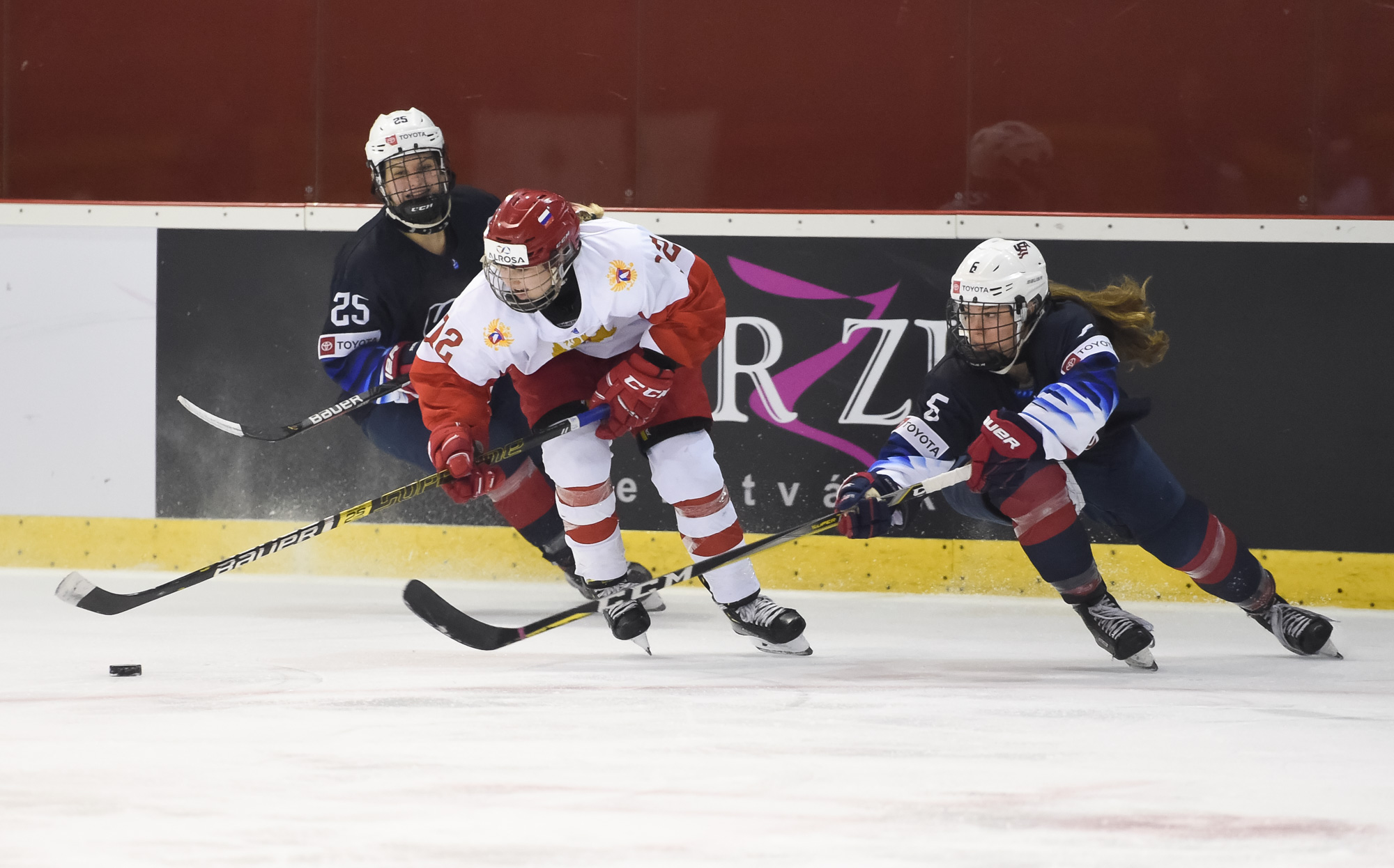 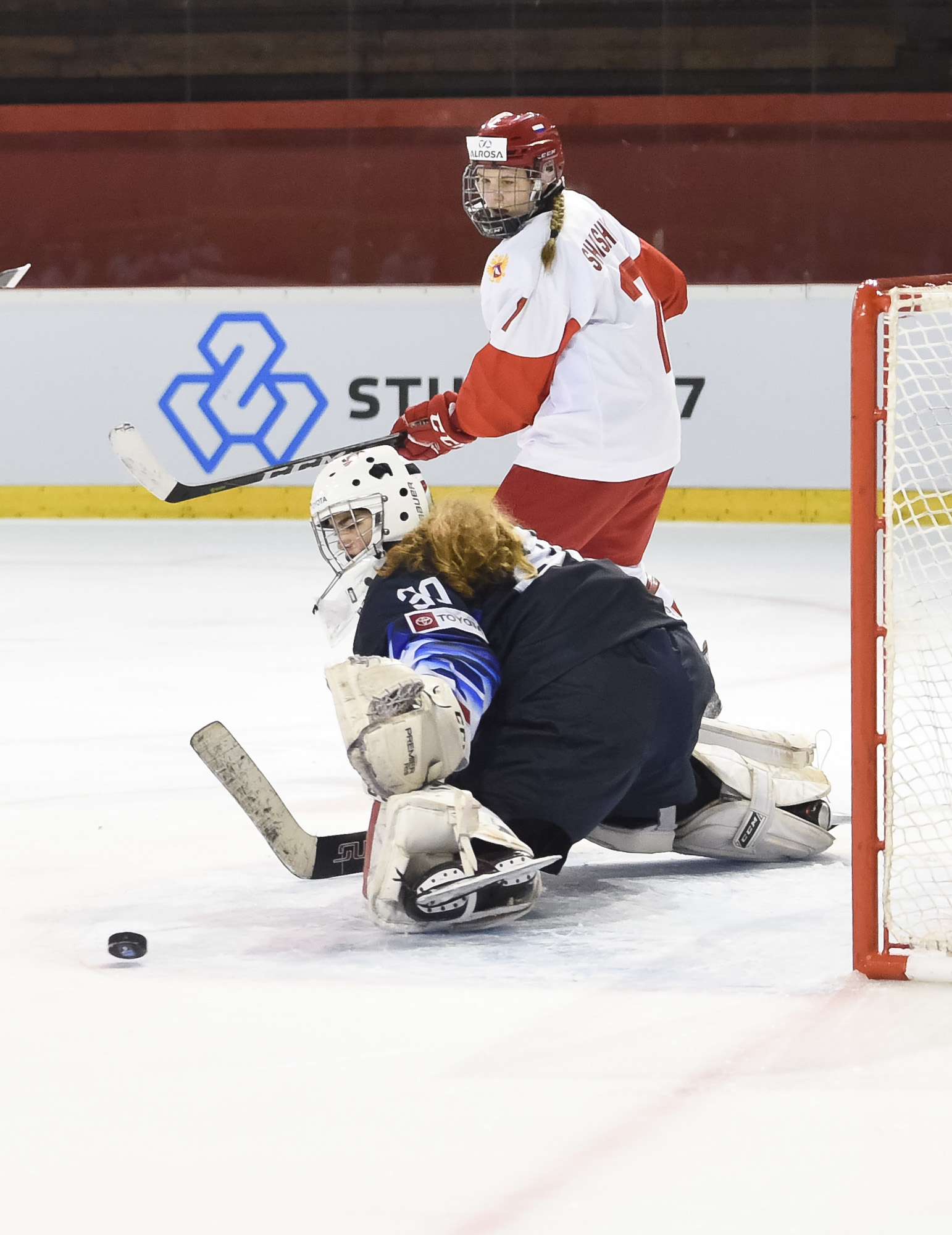 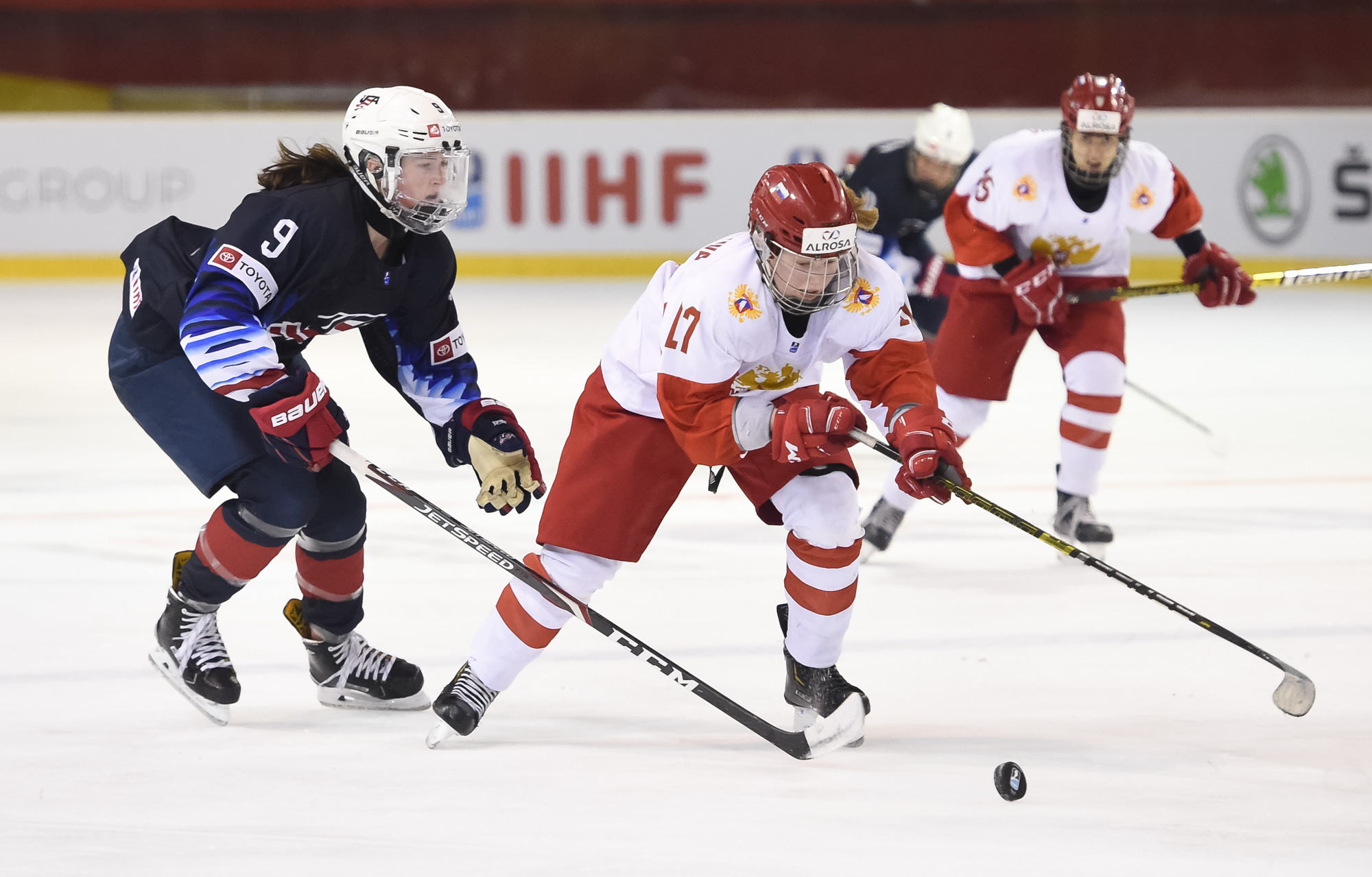 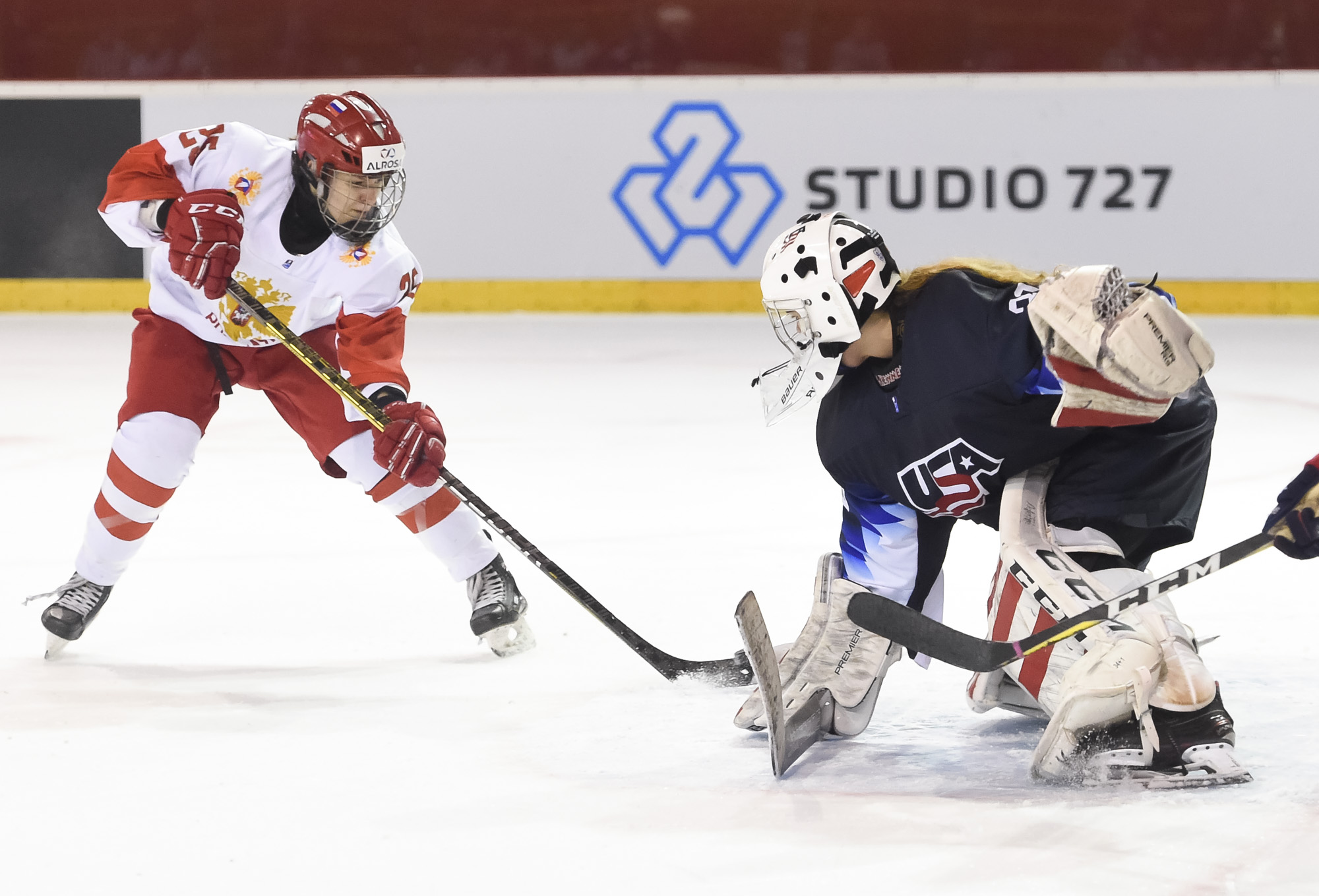 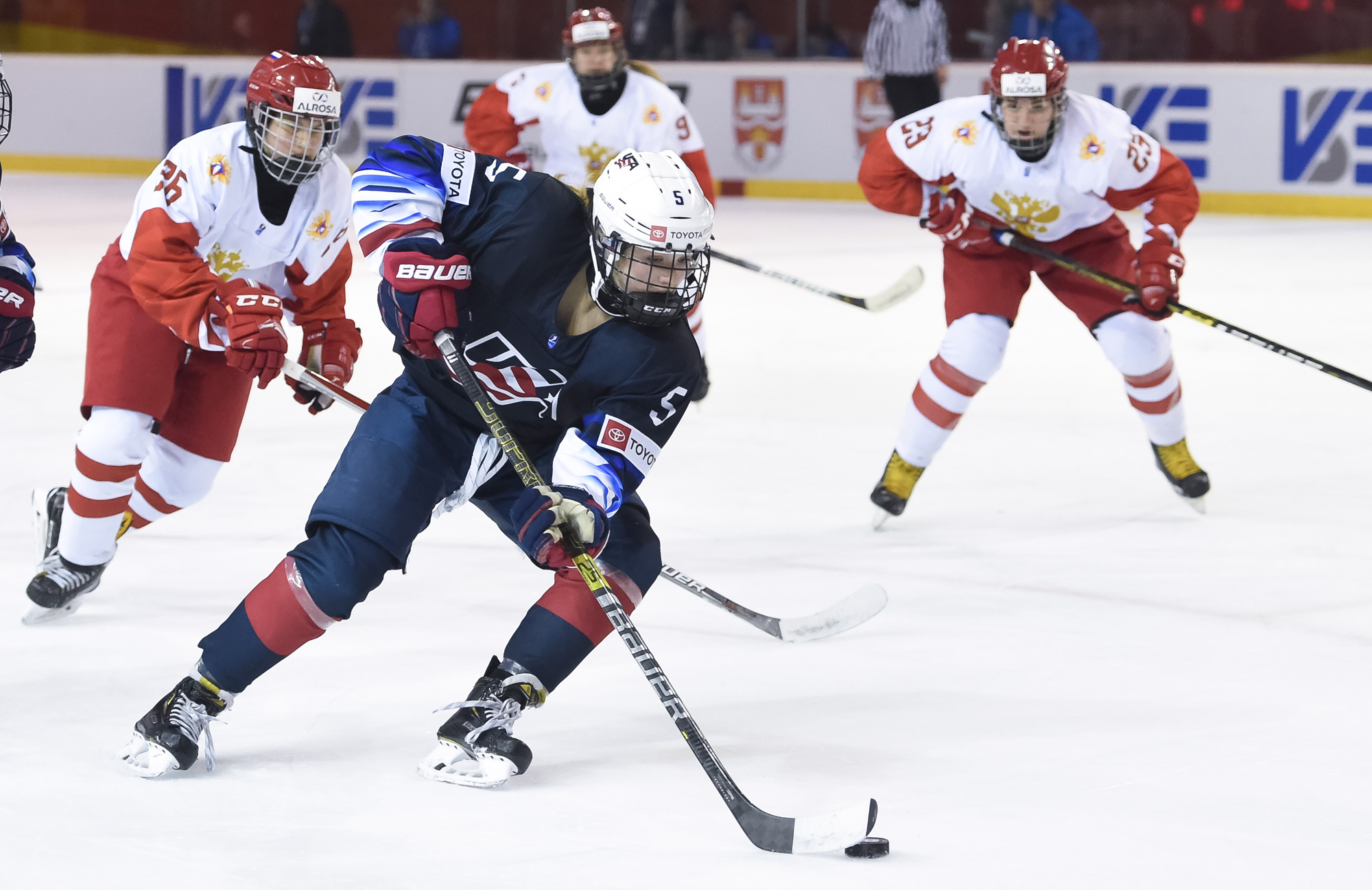