Swedes in control at YOG
Tuva Kandell scores a goal for Sweden in the win over Germany.
photo: Vedran Galijas / justpictures.ch
share

Sweden is looking strong and firmly in the hunt for its third straight Youth Olympic gold medal after dispatching Germany 7-2 to secure a spot in the semi-finals of the Lausanne 2020 women’s ice hockey tournament.

Julia Perjus scored two goals and four points and Beatrice Hjalm recorded a goal and two assists as the Swedes outshot Germany heavily 34-11 to secure an undefeated preliminary round record.

"We started better (than in the Slovakia game) and had better communication," said Hjalm. "The whole team played very good.

An early body checking penalty to Renee Heyer put the Germans on the defensive early on, and a strong Swedish forecheck kept the puck in their defensive zone throughout the opening frame. But the Swedes were unable to get anything past goaltender Felicity Luby who turned aside 13 shots.

But Sweden finally broke through early in the second period. Just as the Germans killed of their fourth penalty, a shot from the point by Ida Karlsson led to a rebound opportunity for Beatrice Hjalm, who shot the puck over Luby’s blocker for the 1-0 lead.

Then Nicole Hall stole the puck away from a German defender and after taking a shot her linemate Julia Perjus was there one the rebound for the 2-0 lead. Then Pandora Natby caught the Germans flat footed and beat Luby with a backhand shot to put the Swedes in control of the game.

The Germans were able to get on the board with a nice shot from the high slot area from Svenja Voigt to cut the lead to 3-1. But the Swedes replied two minutes later to go back up by three with a wraparound score by Linnea Adelbertsson.

Outshooting Germany 24-6 through two periods, the Swedes were firmly in control and added another early in the third with Hjalm scoring off a 2-on-1 feed from Perjus. Two more scores some Frida Simonsen and Nicole Hall completed the scoresheet for the Swedes.

Sweden now has a day off as it awaits its opponent in Monday’s semi-final. Germany will play against Slovakia tomorrow, with a playoff spot on the line.

"Tomorrow we try out best and try to win this game," said German captain Katharina Hackelsmiller. " I think tomorrow we will play better." 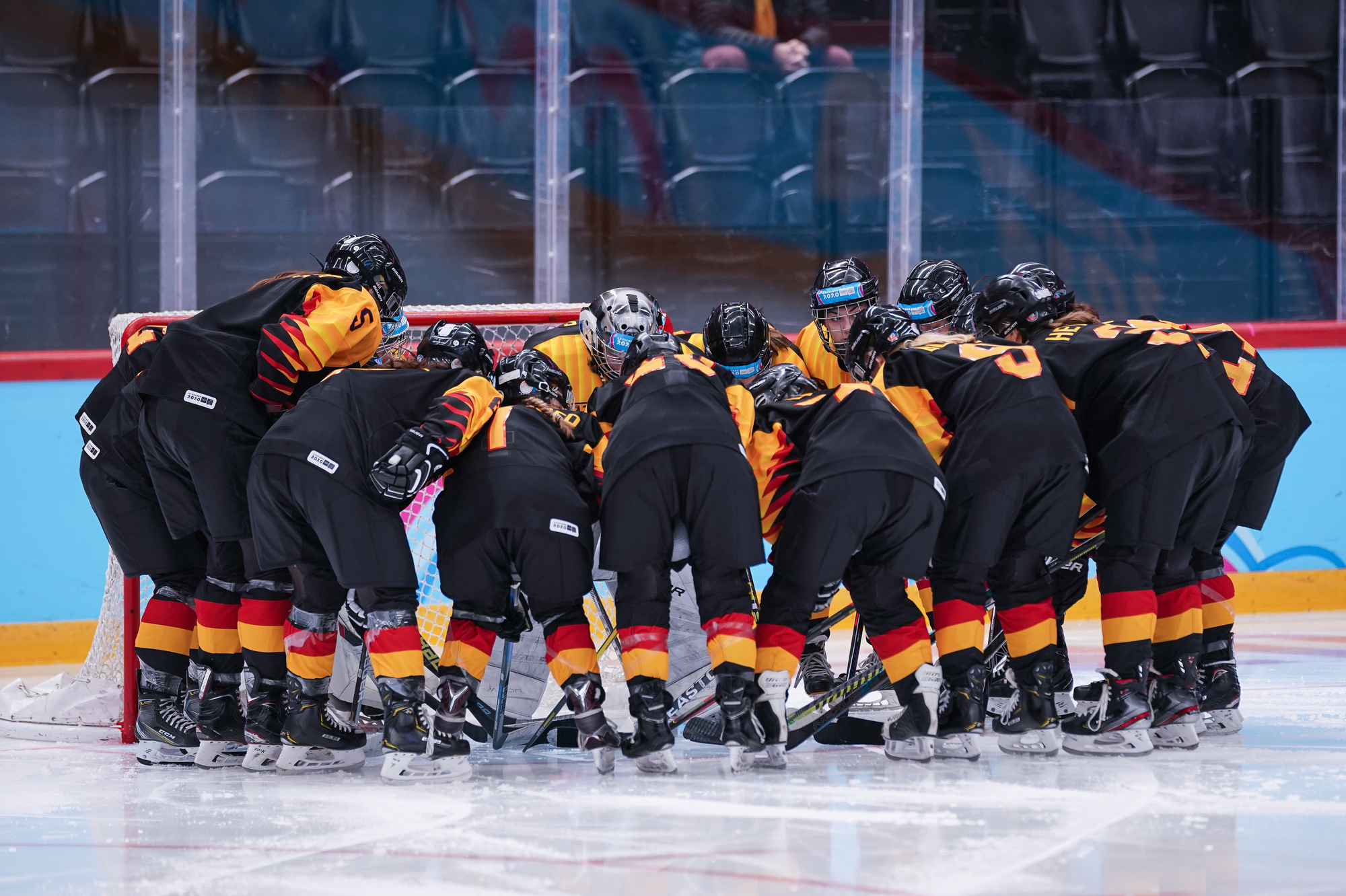 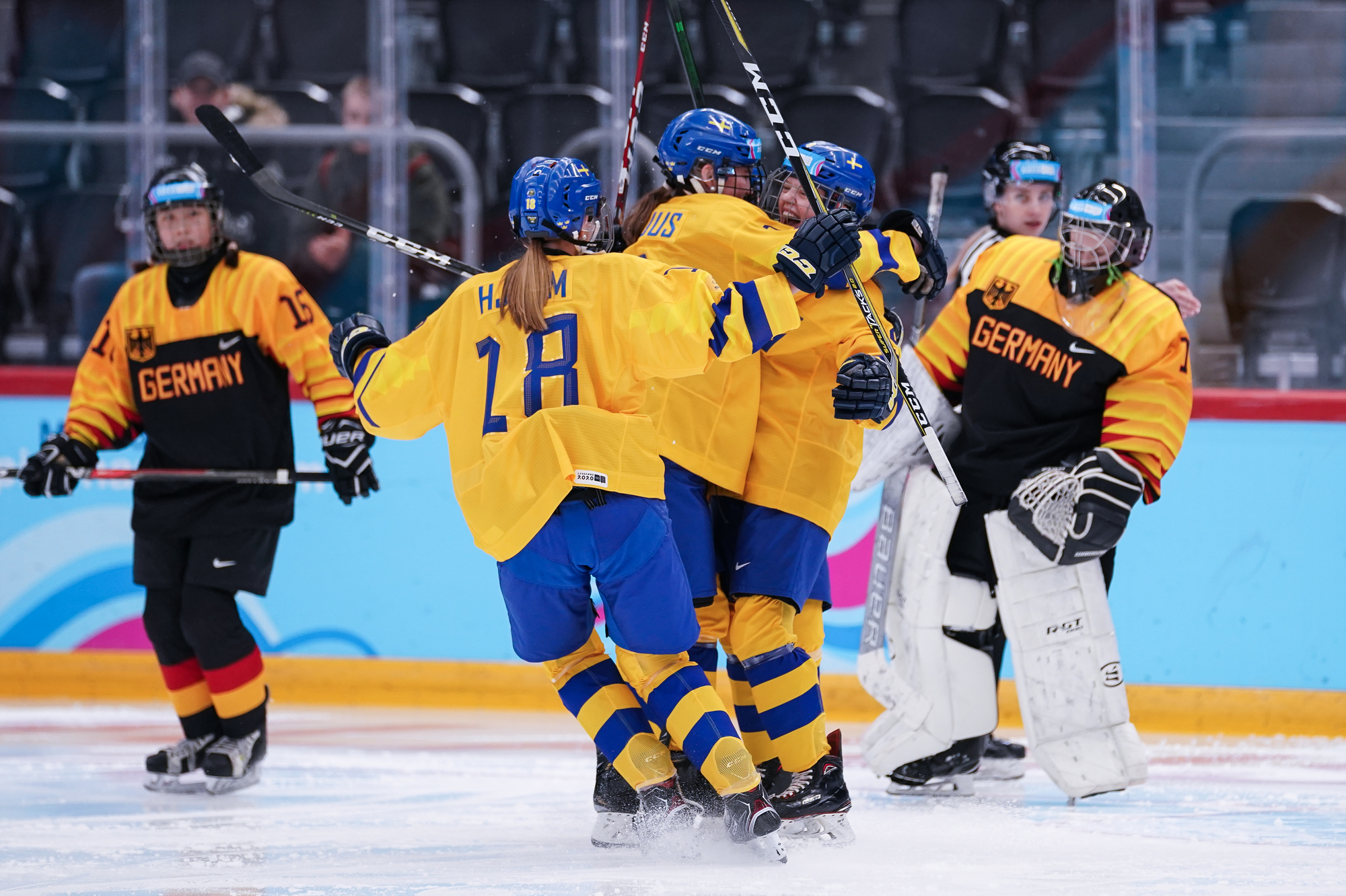 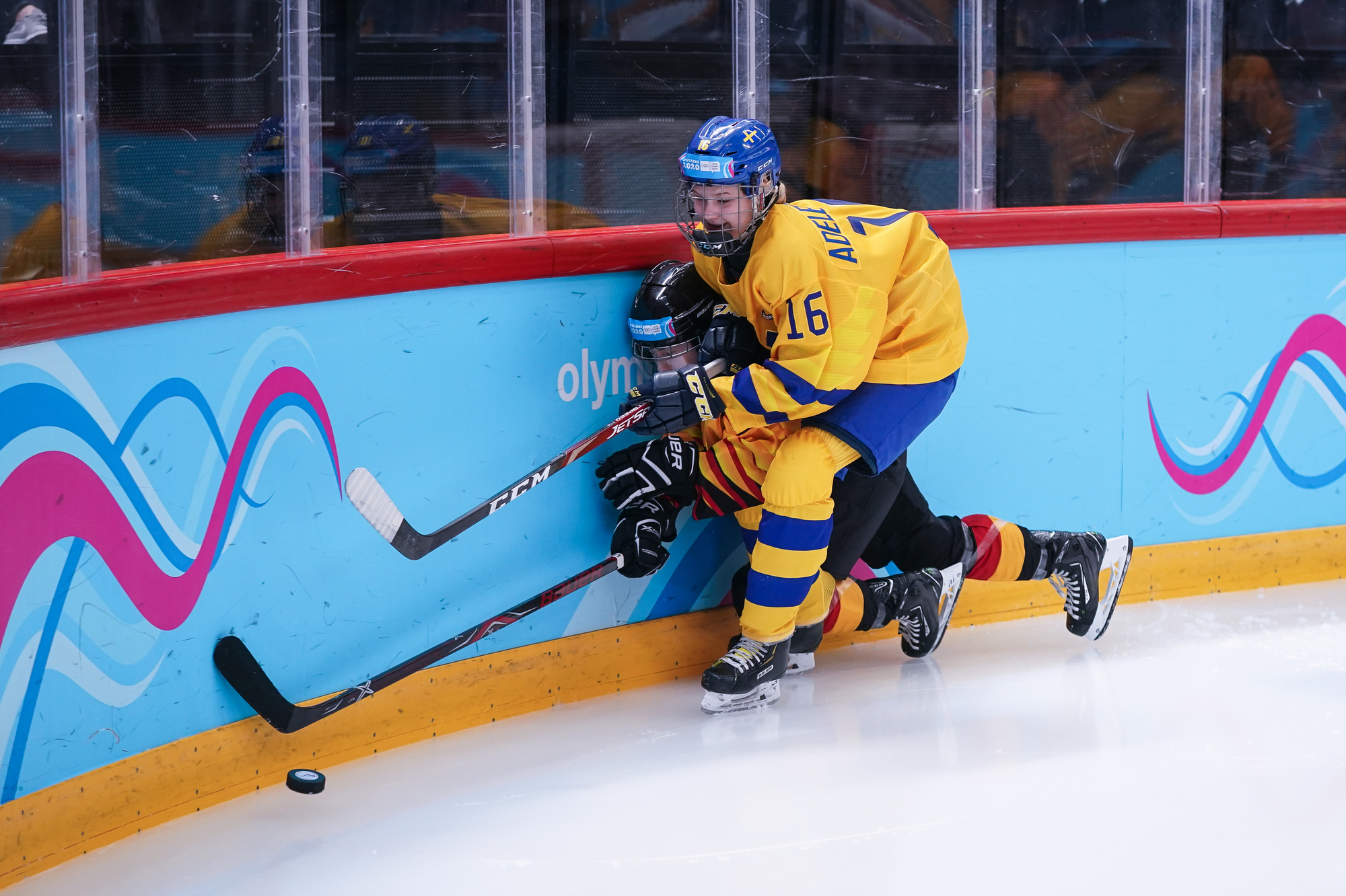 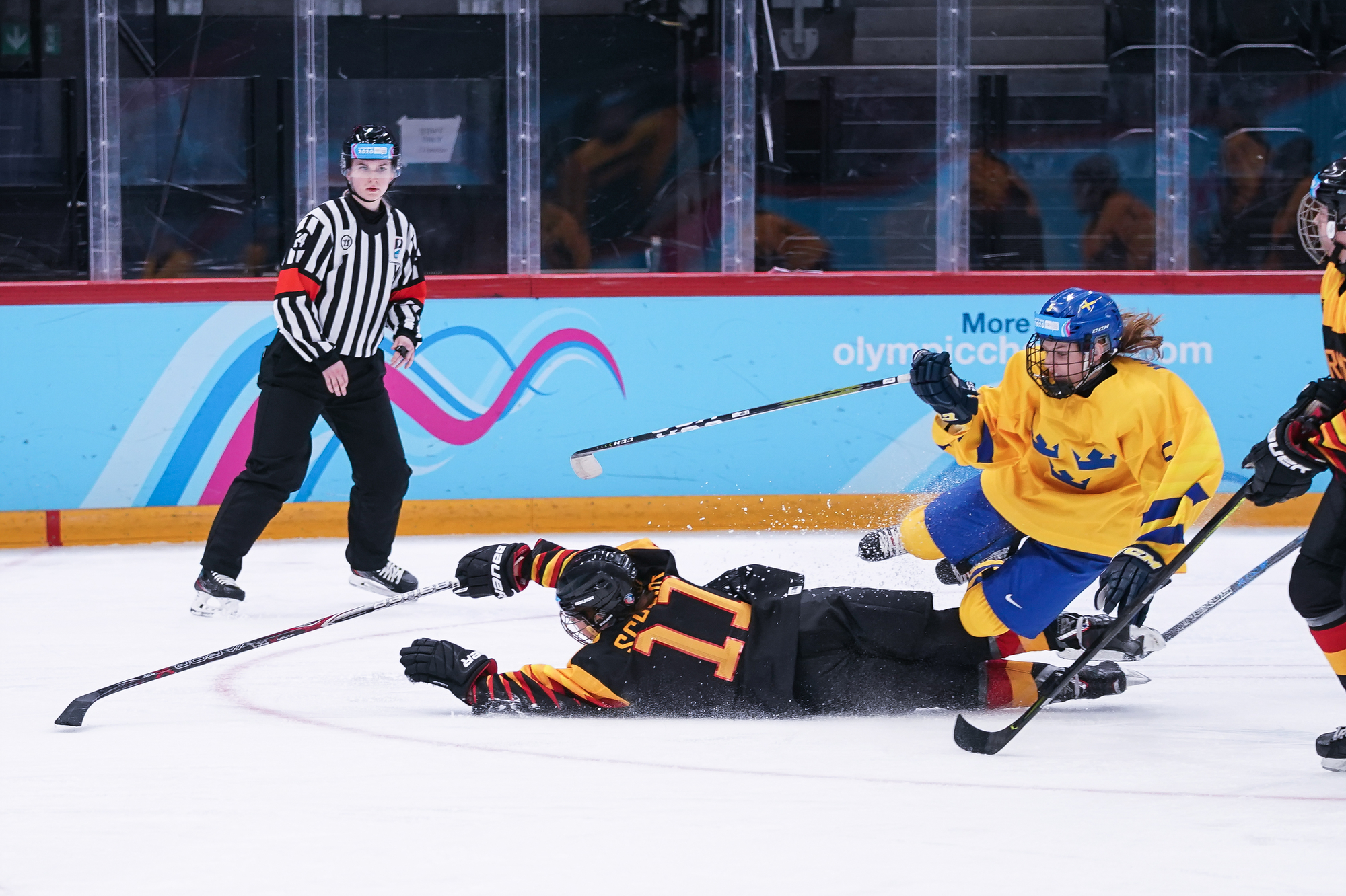 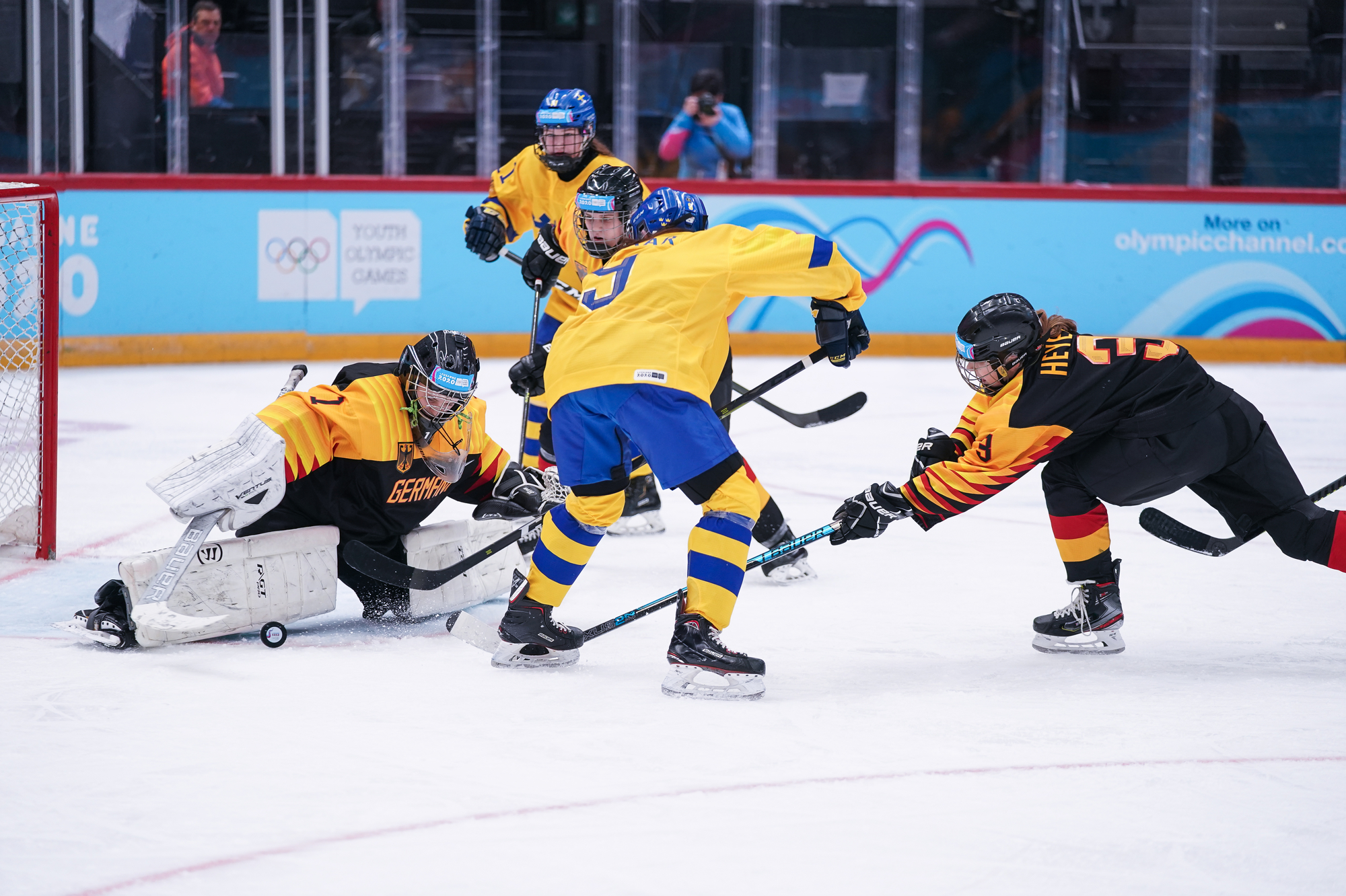 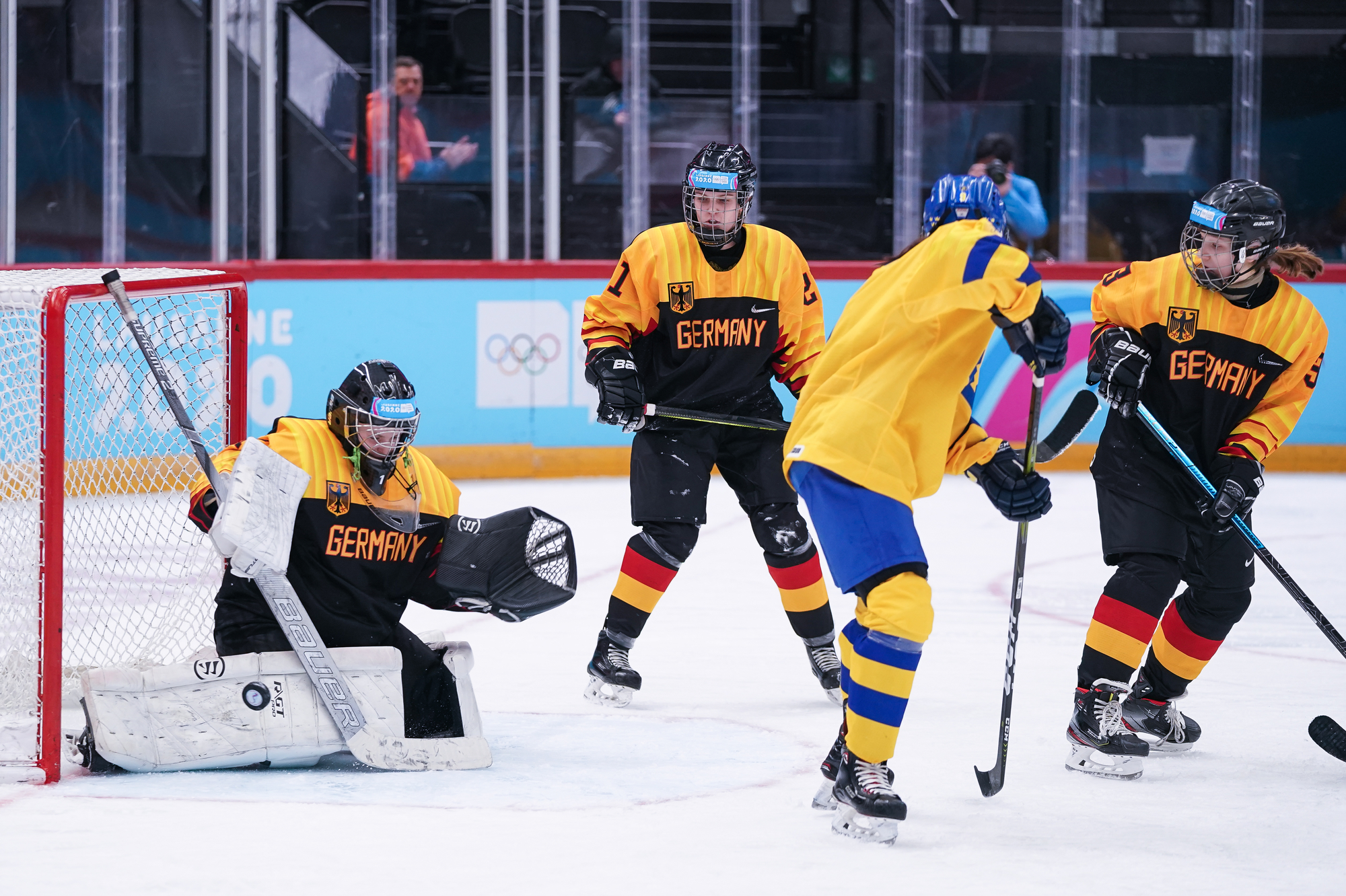 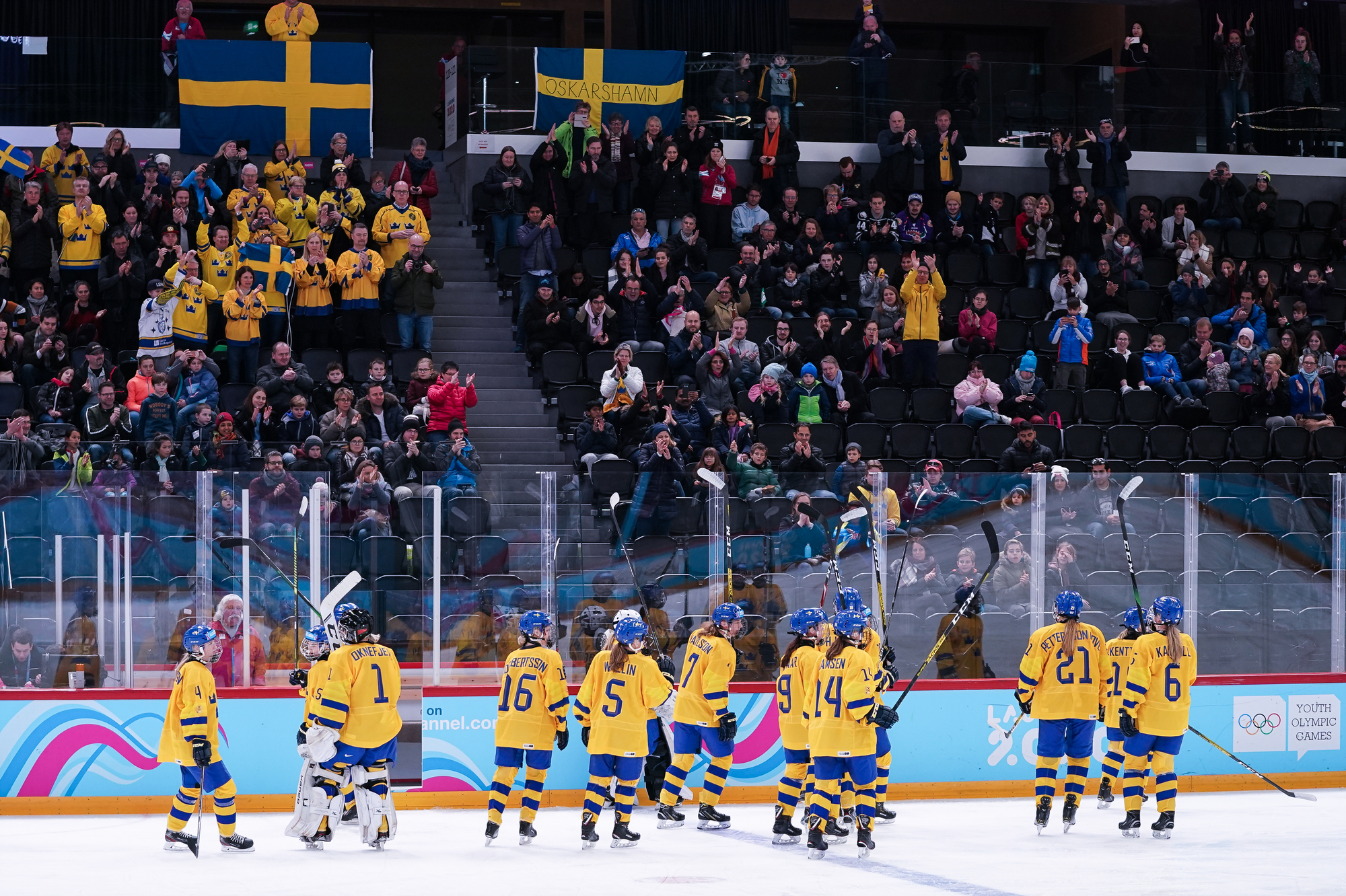 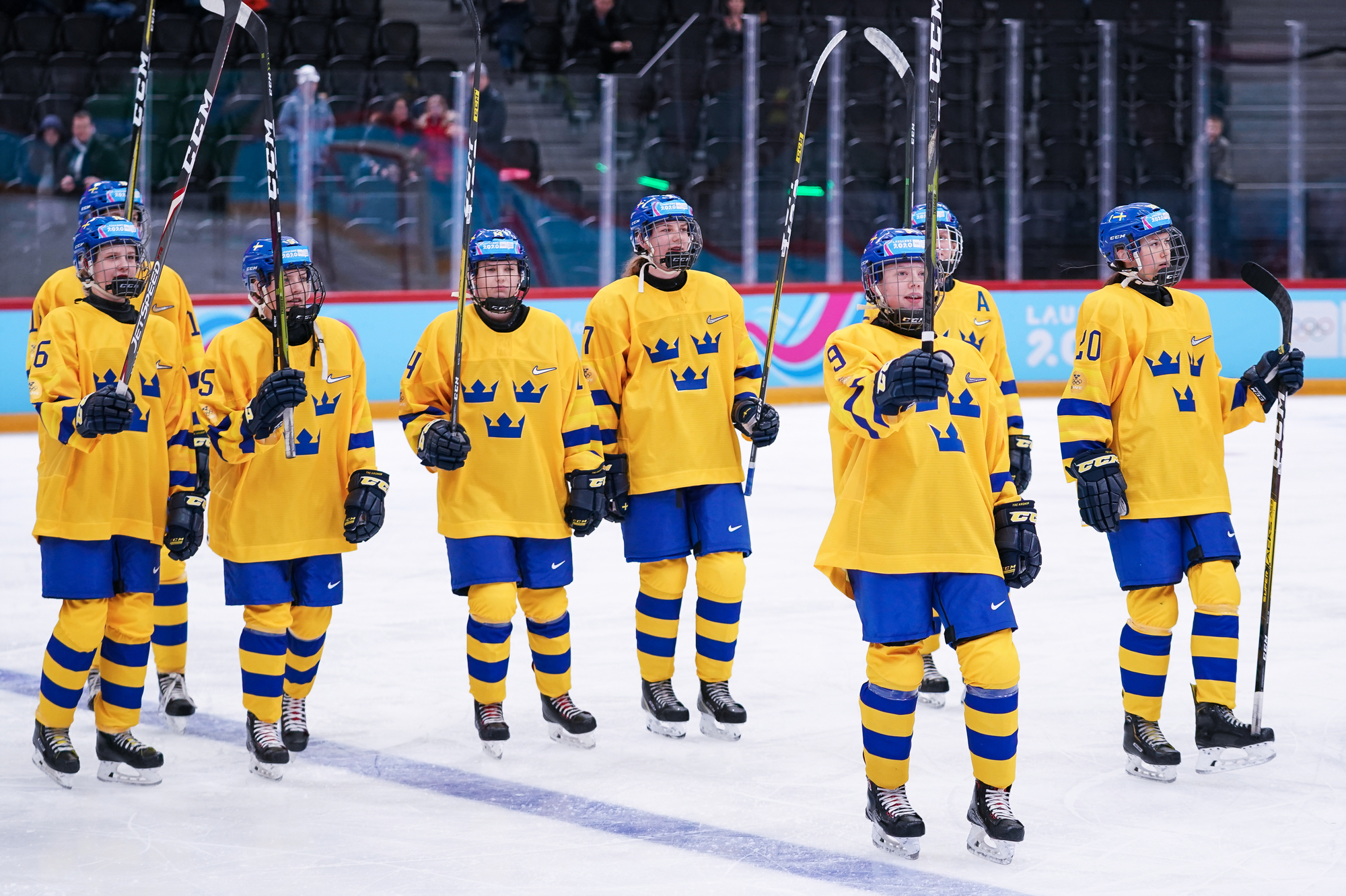 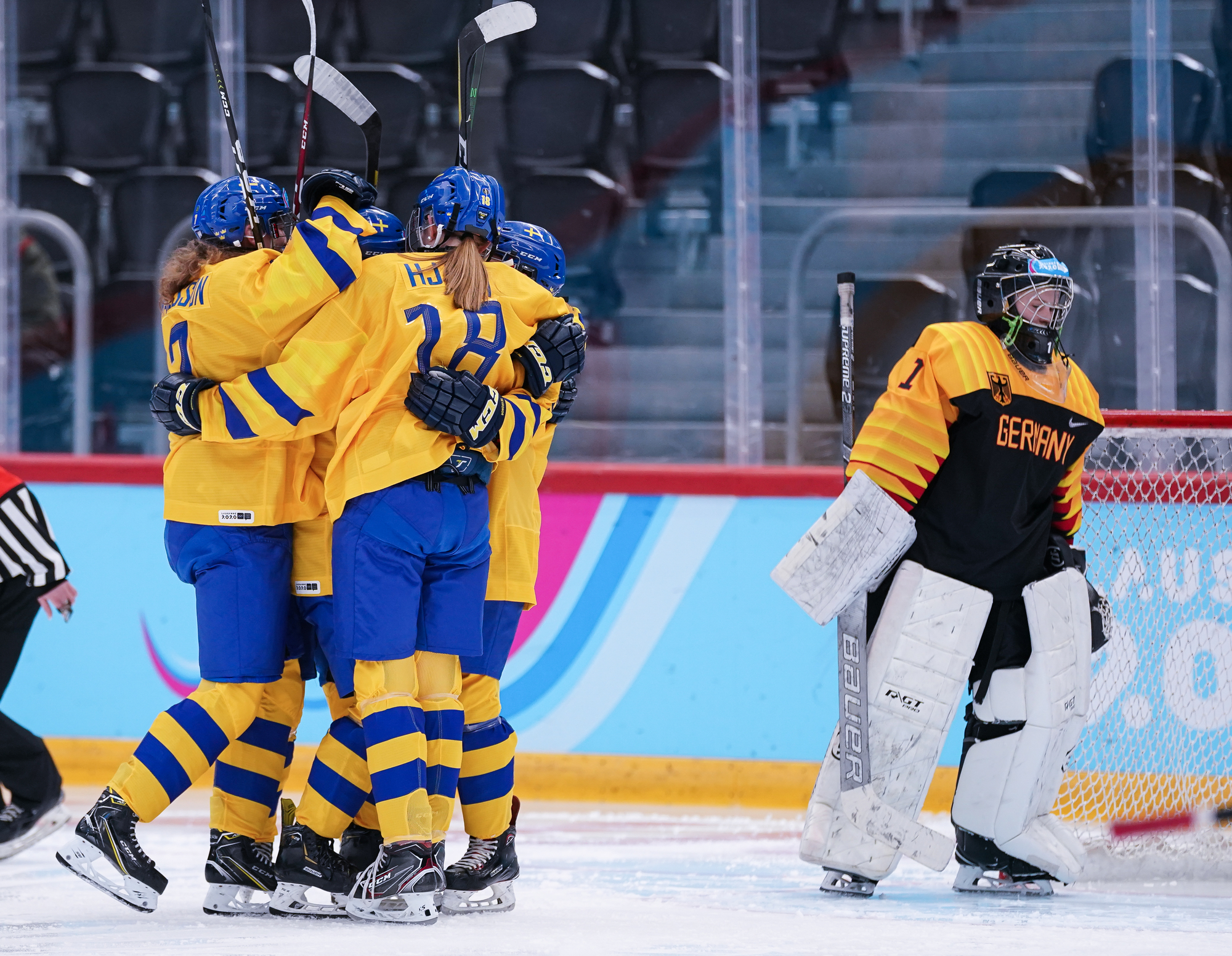 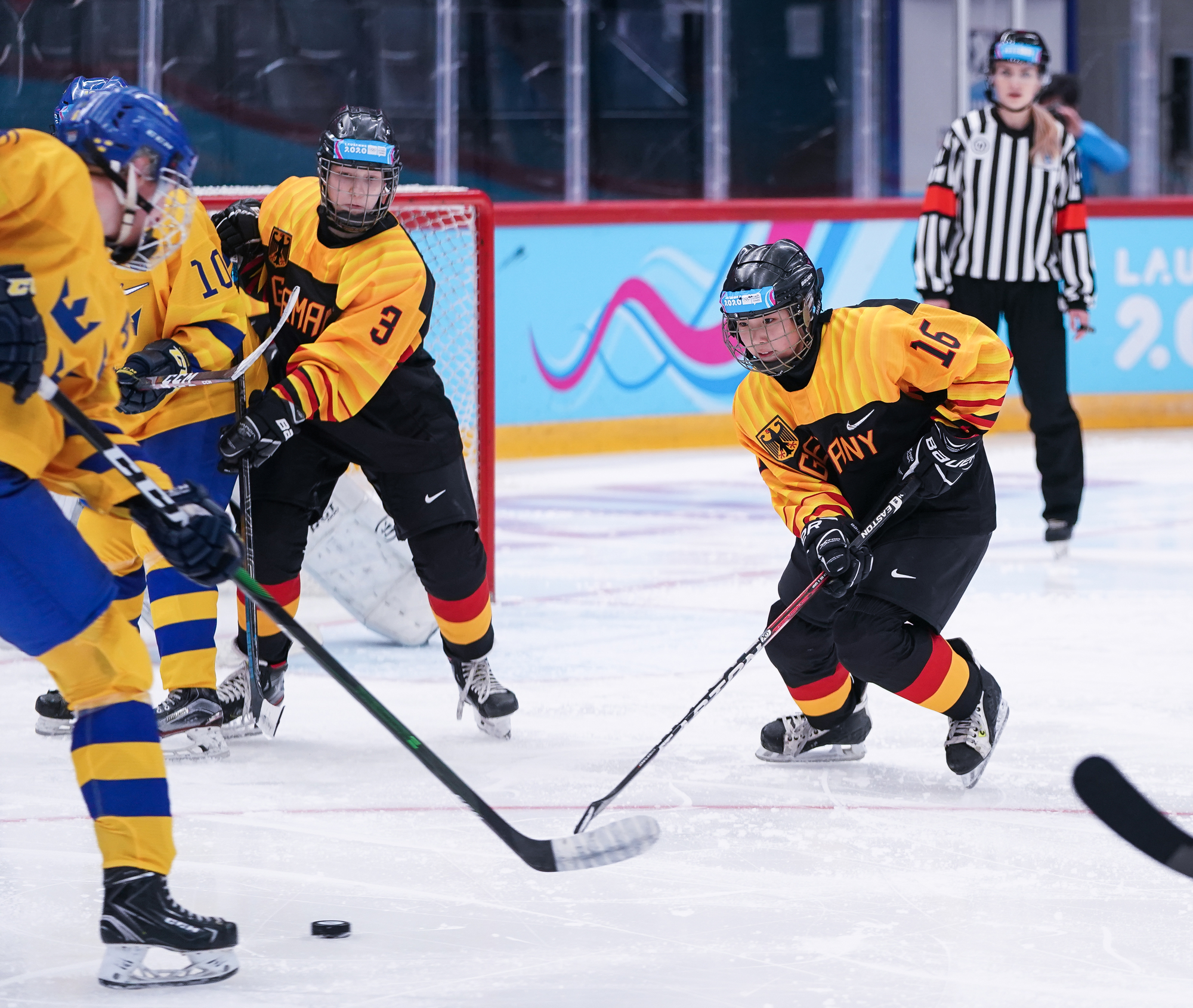 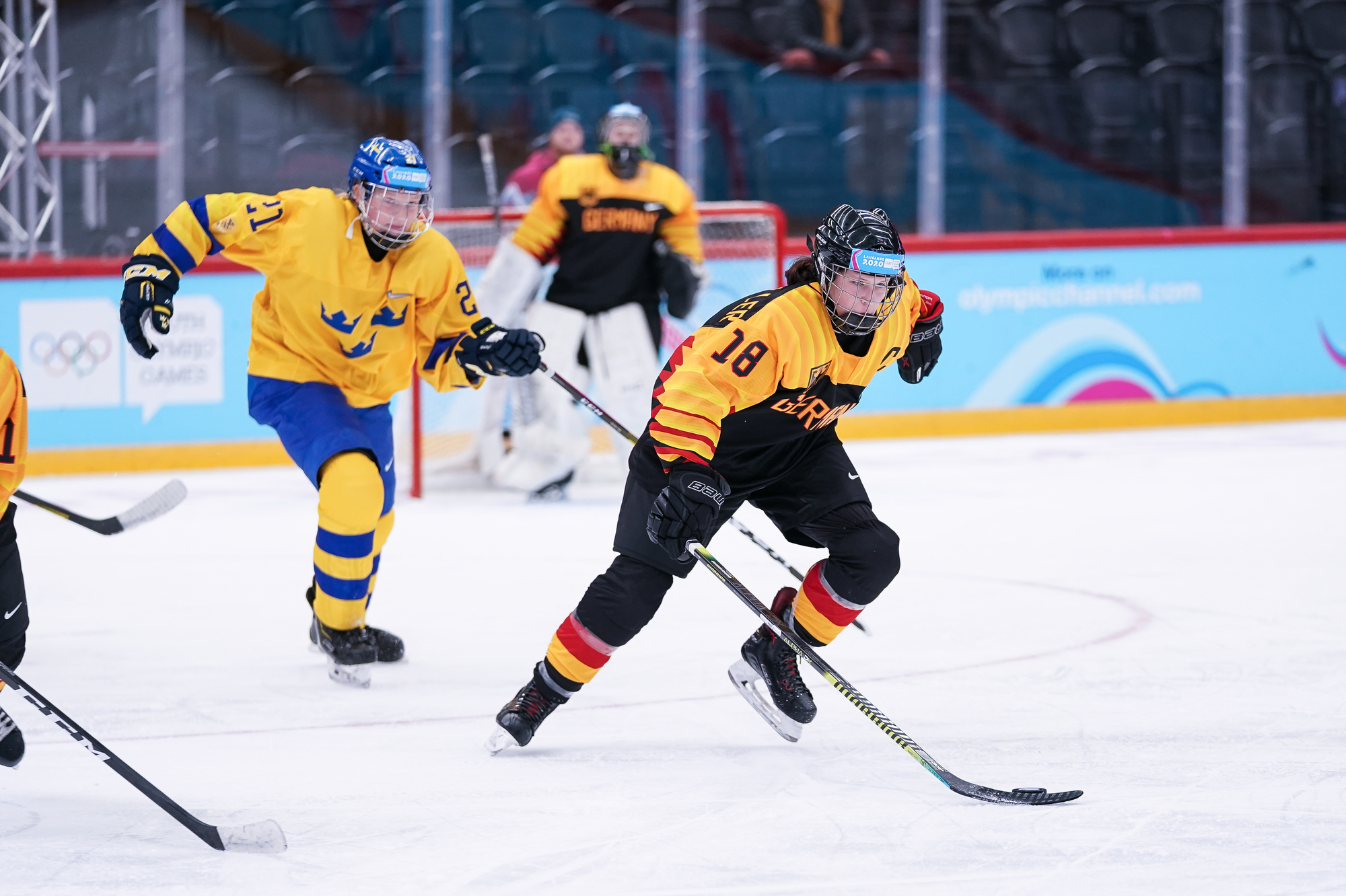 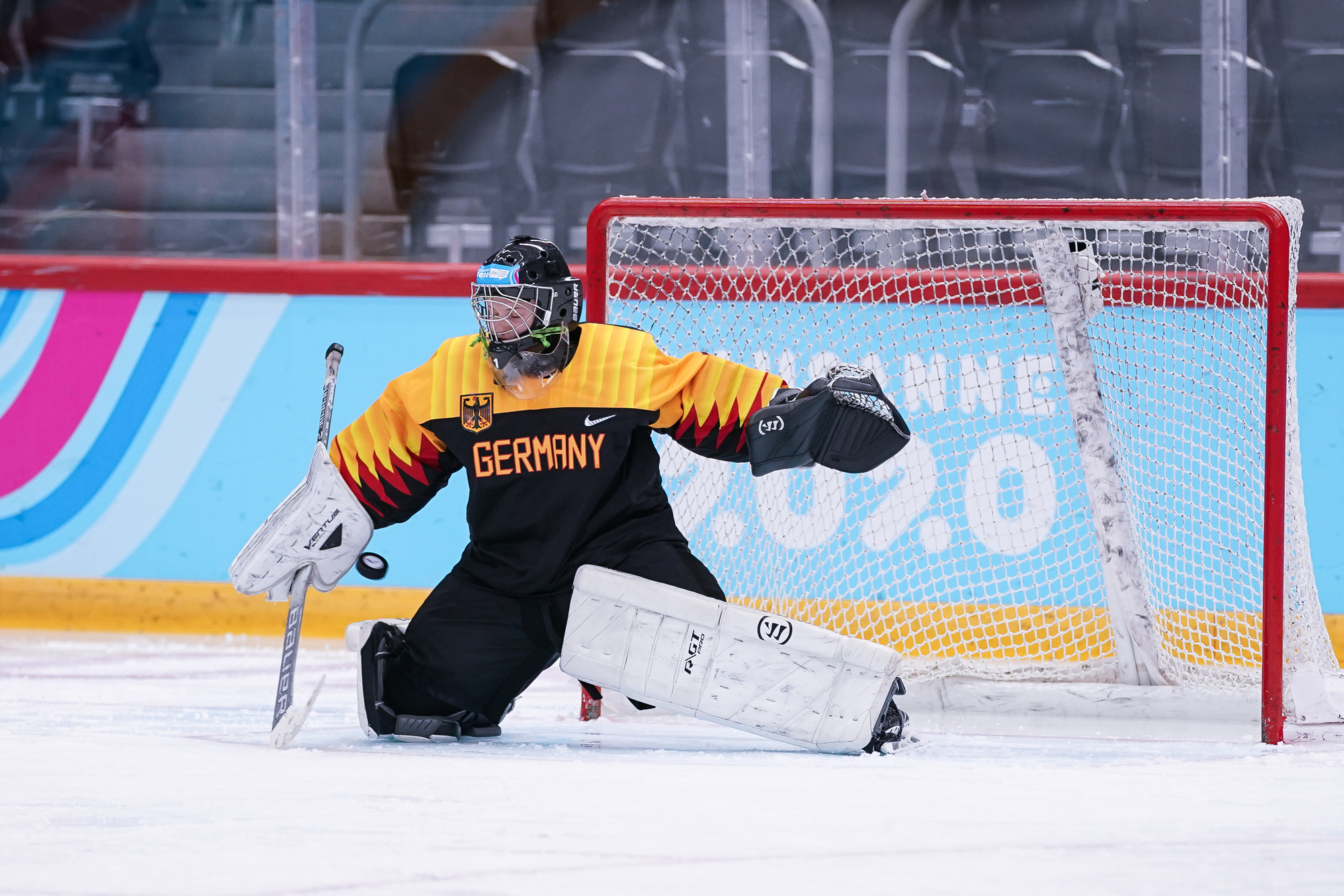 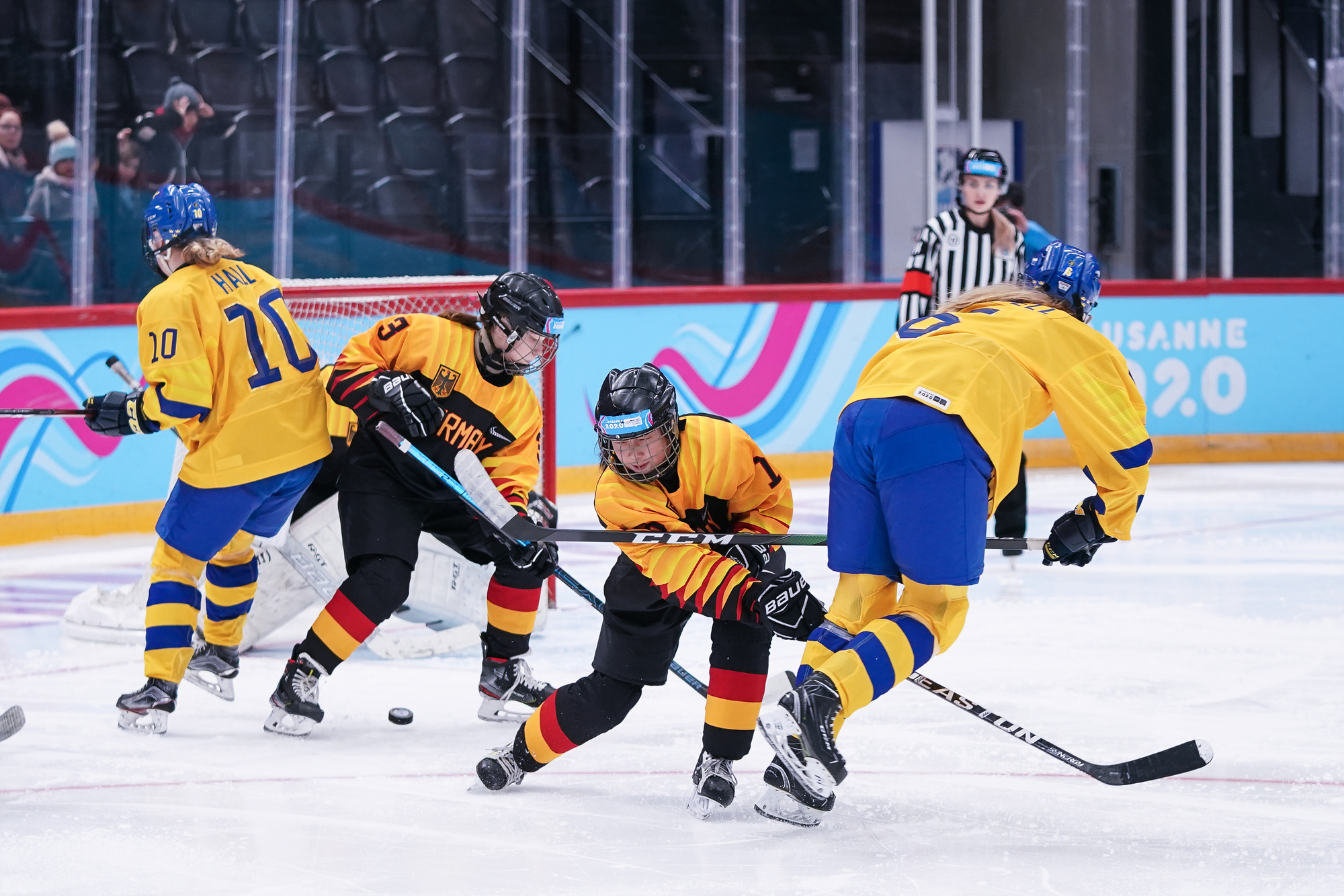 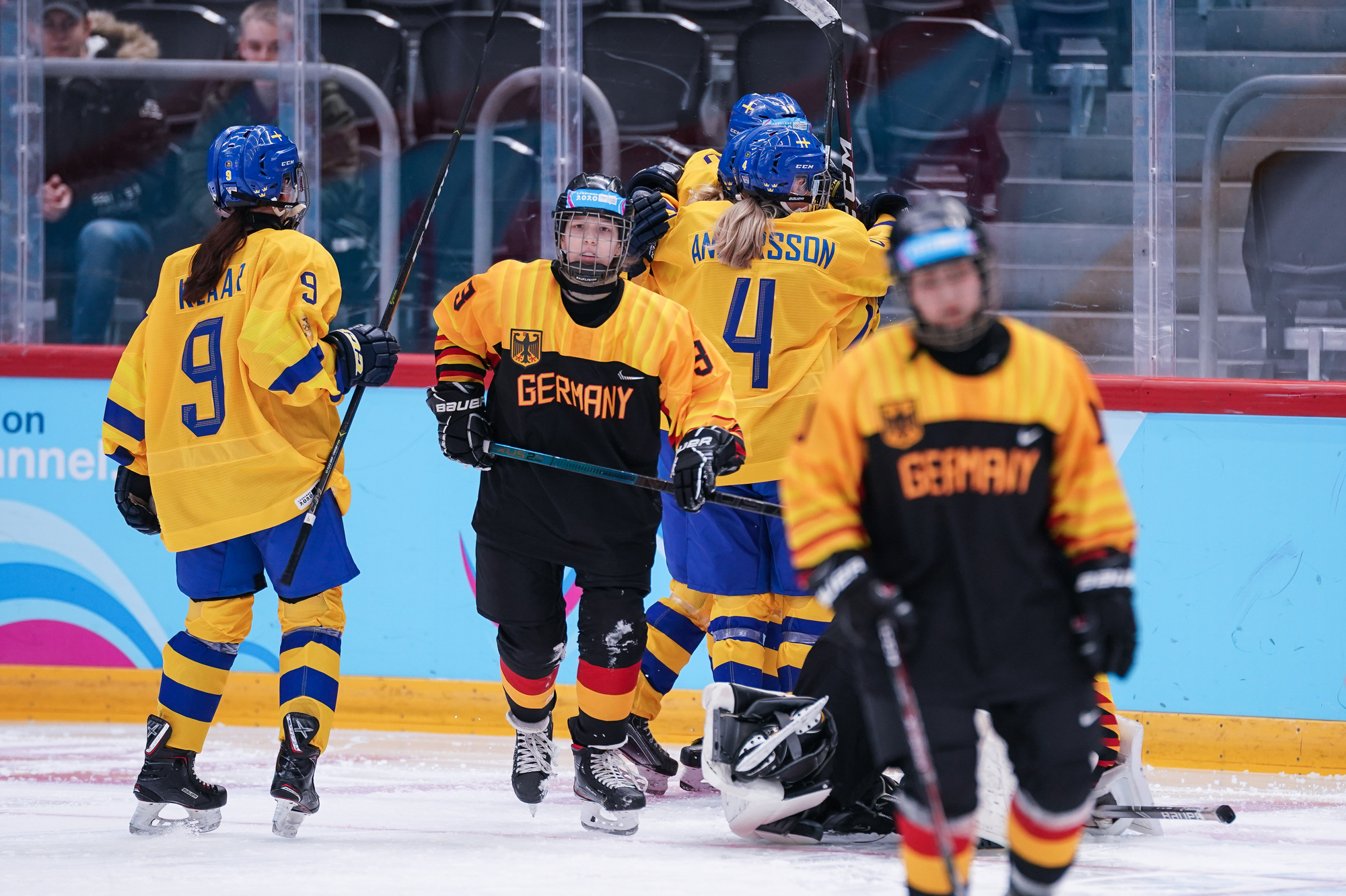 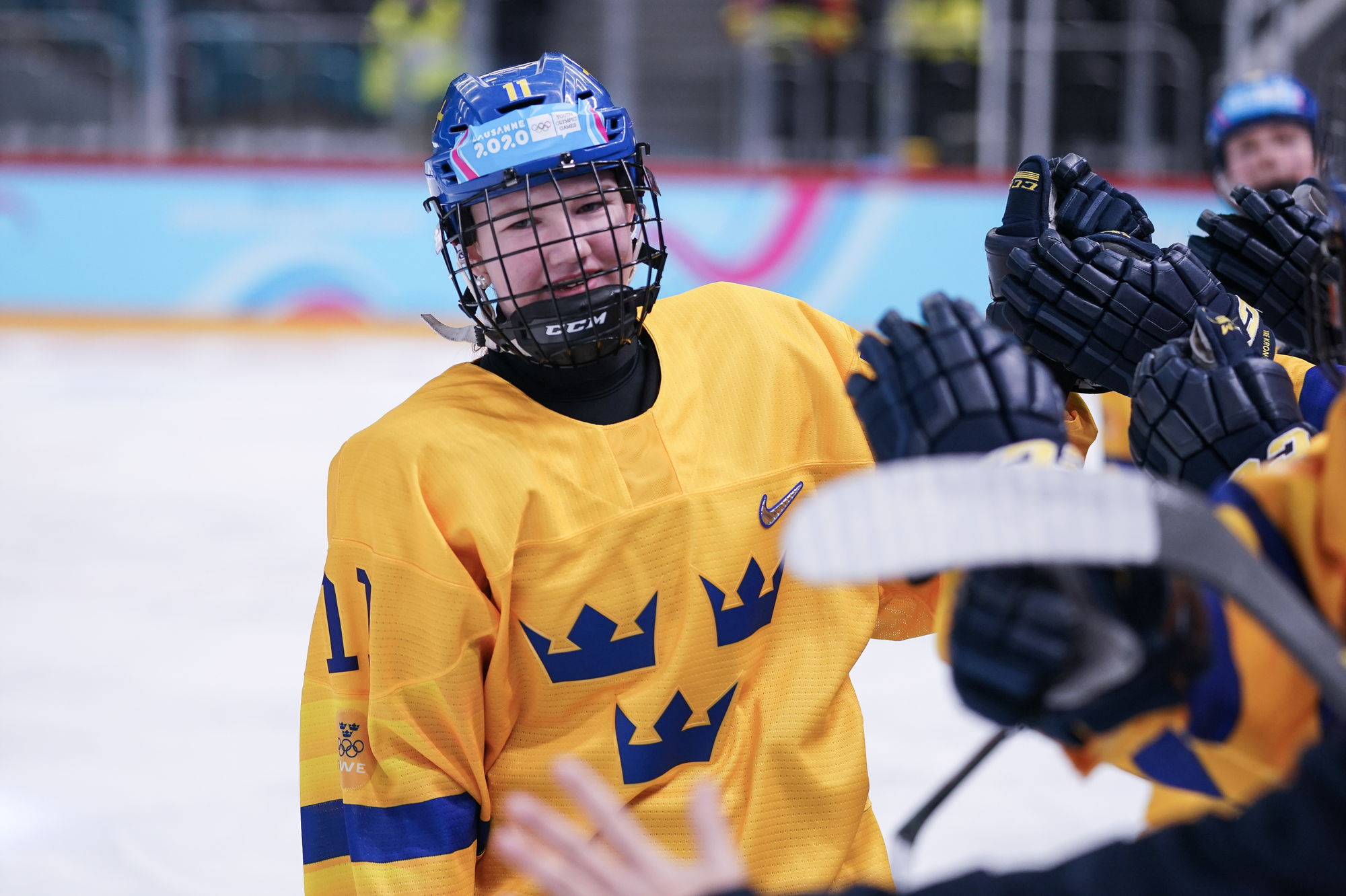 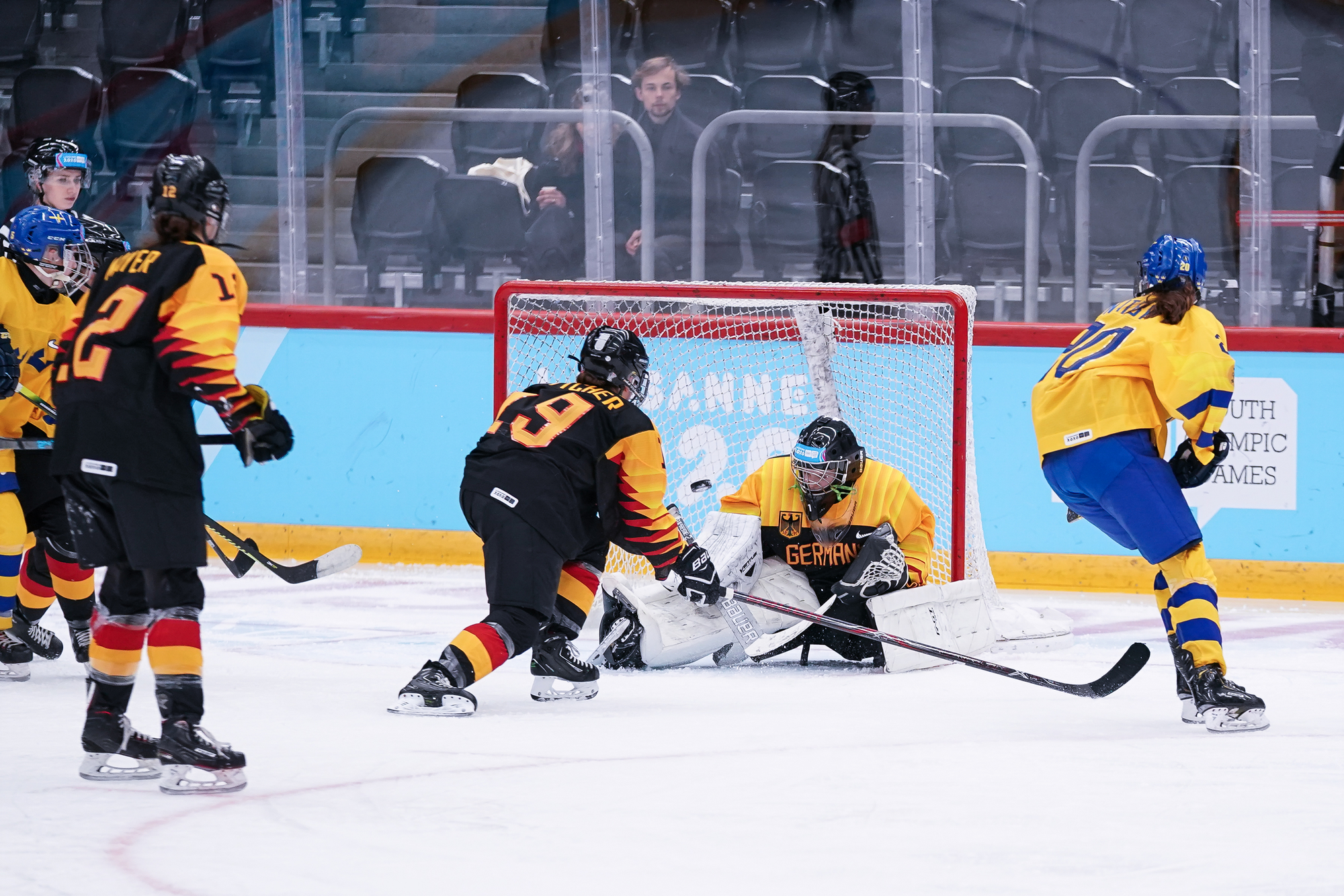 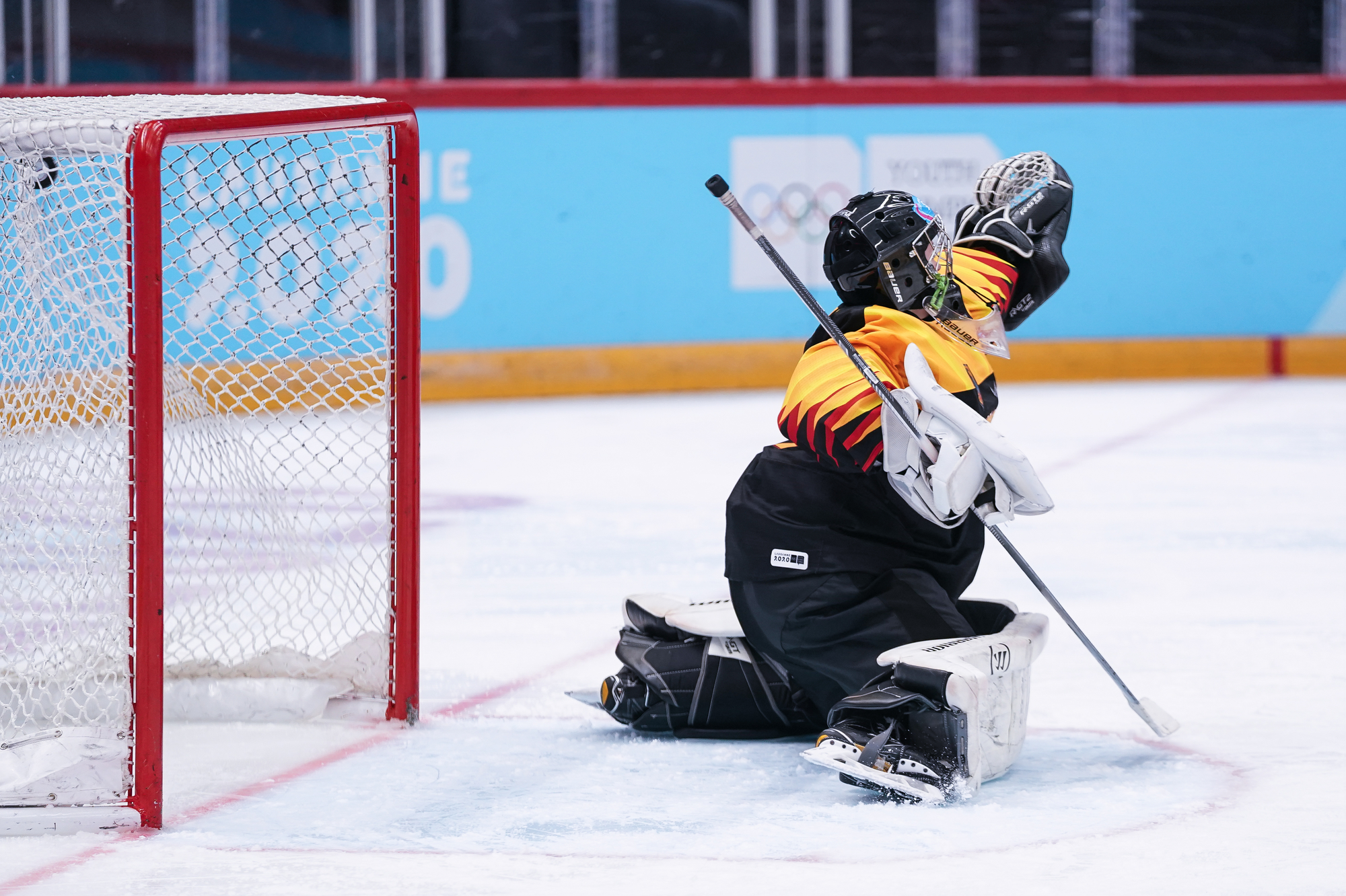 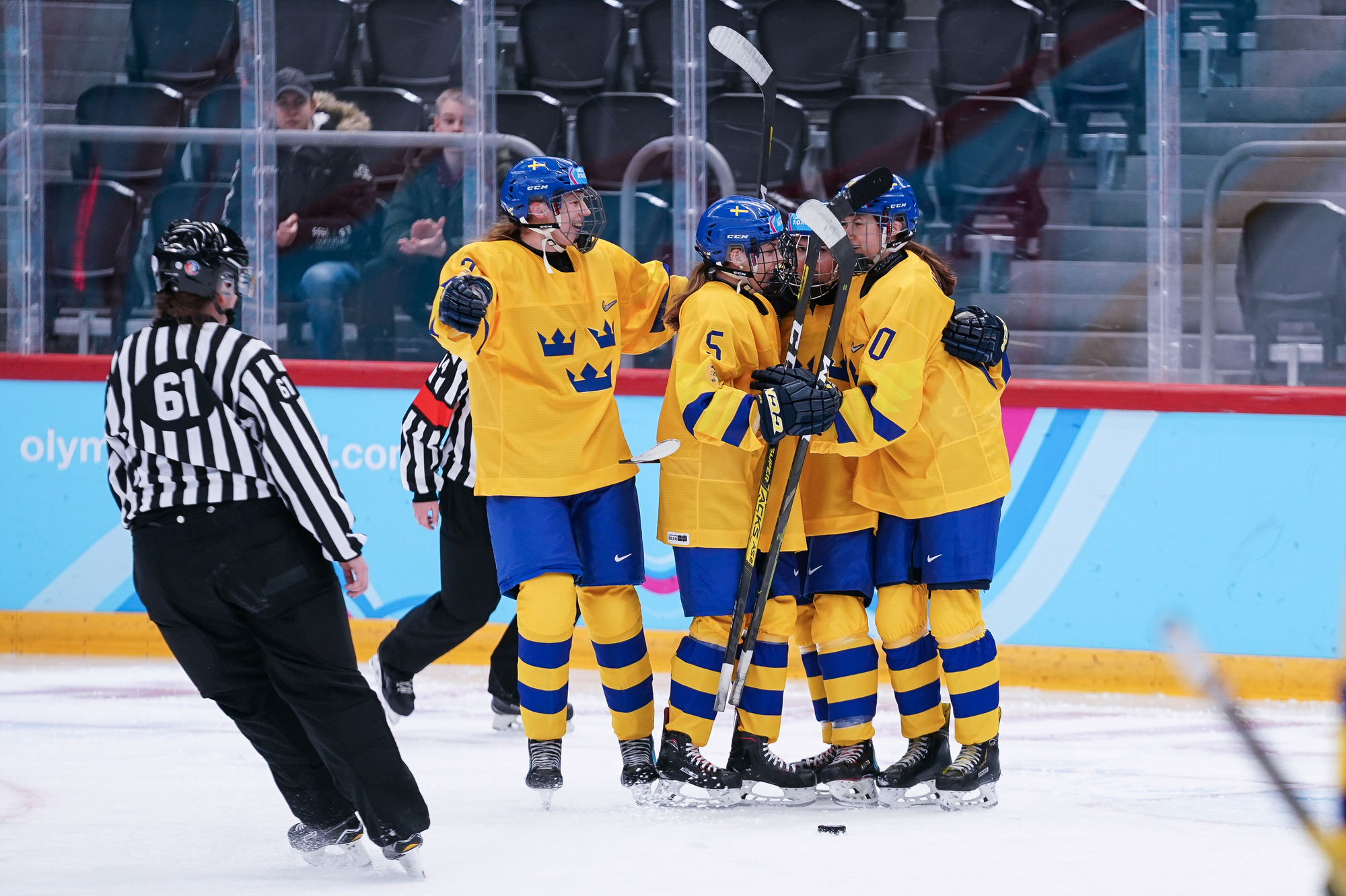 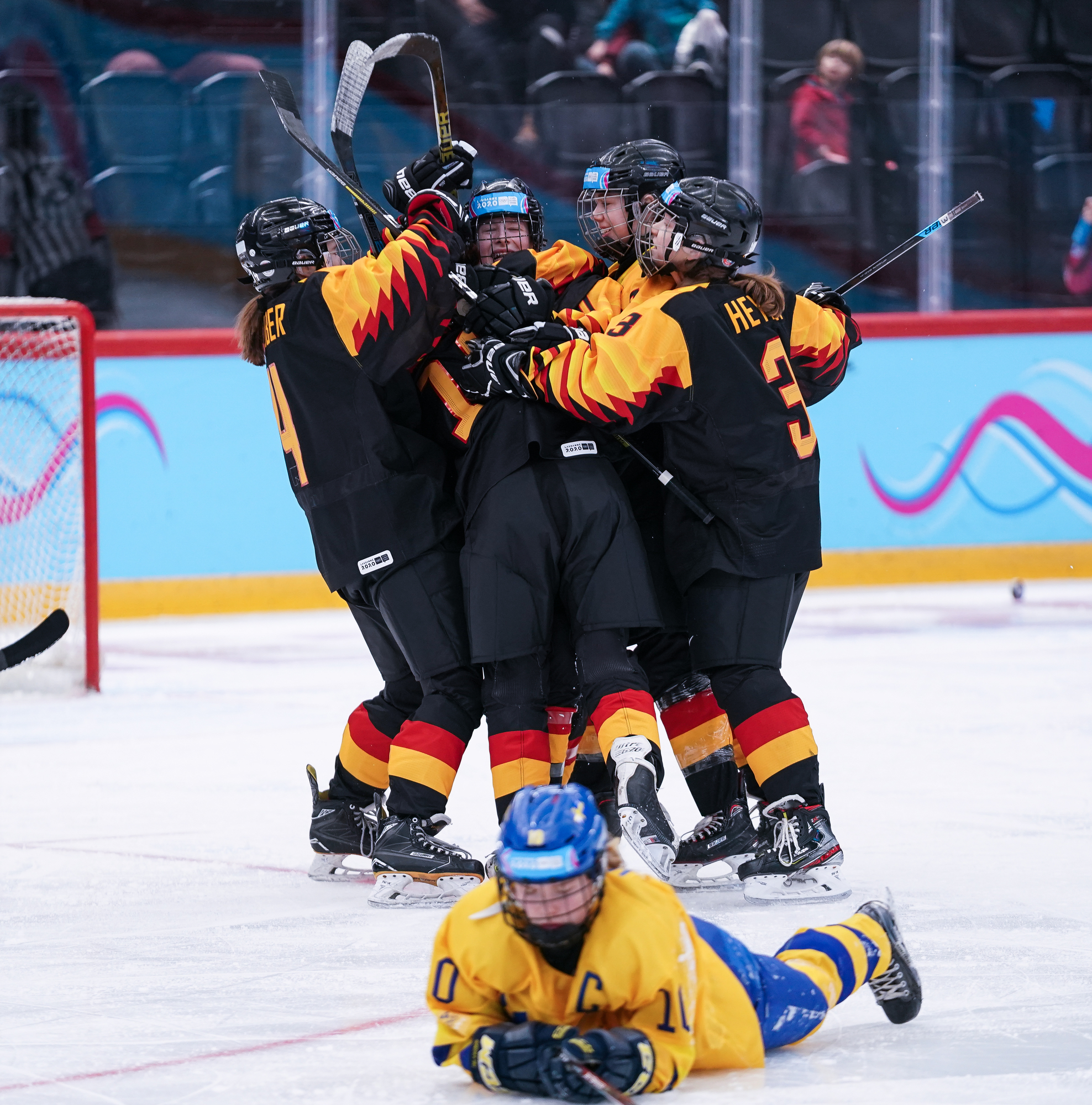 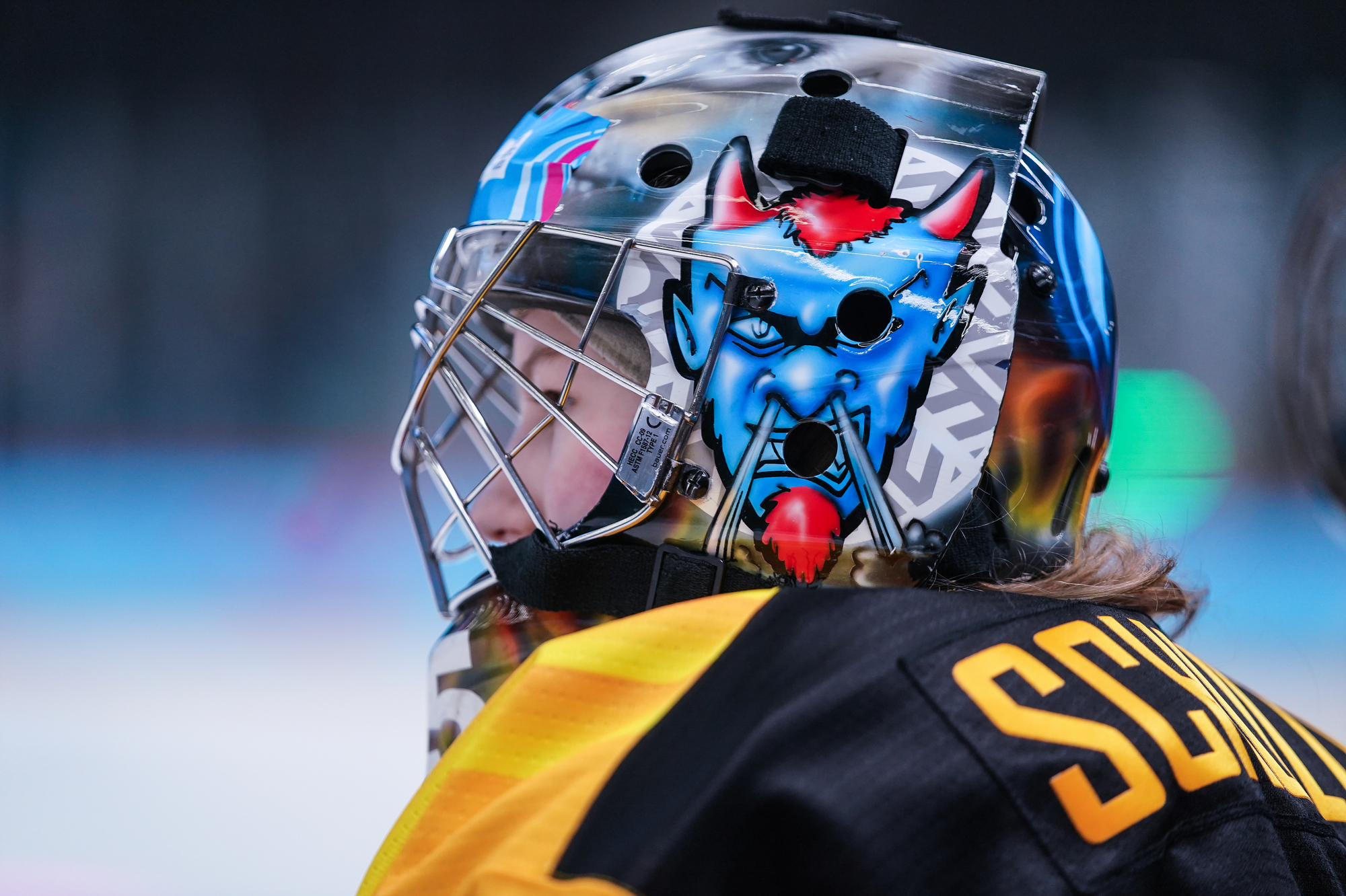 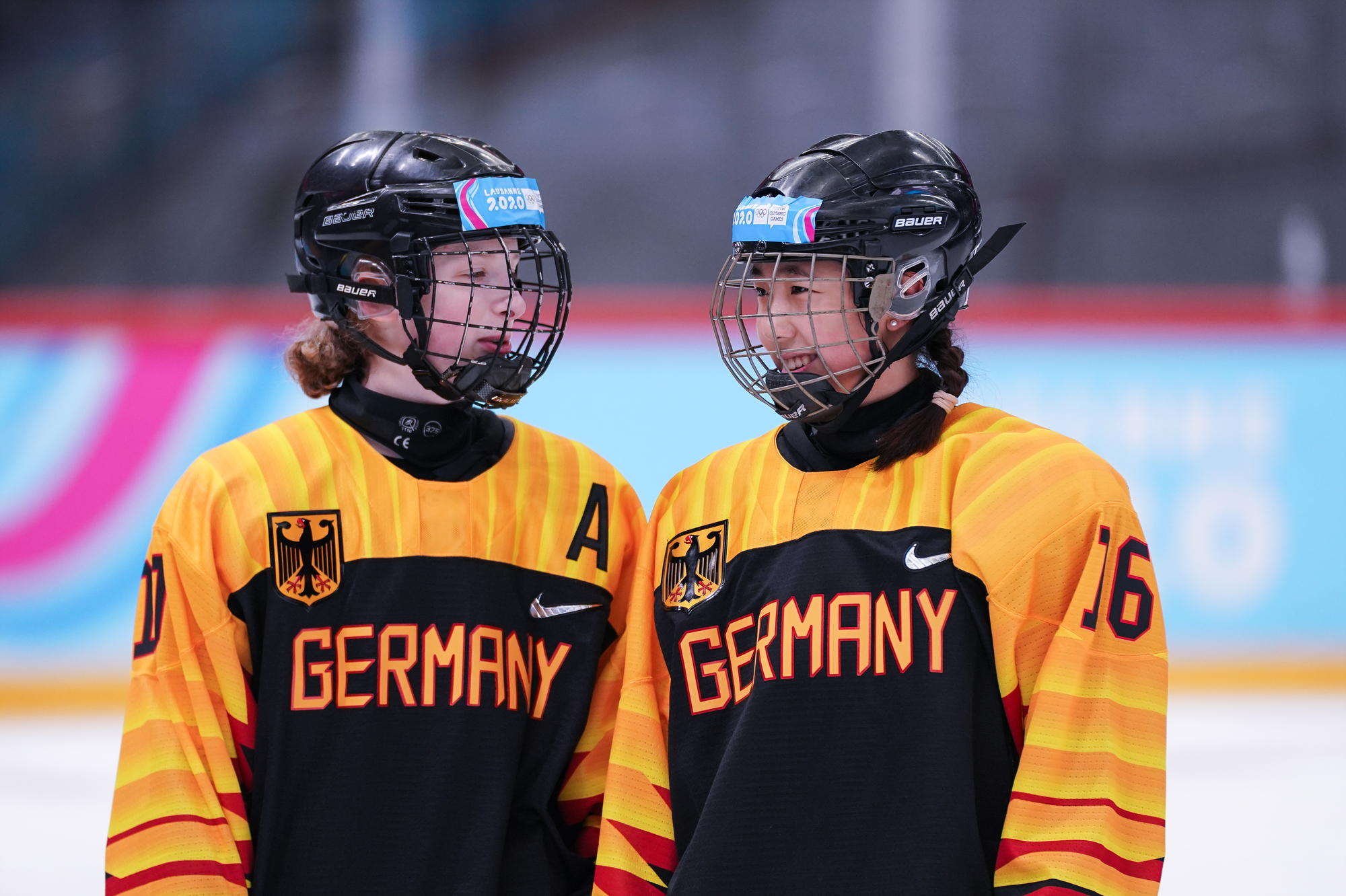 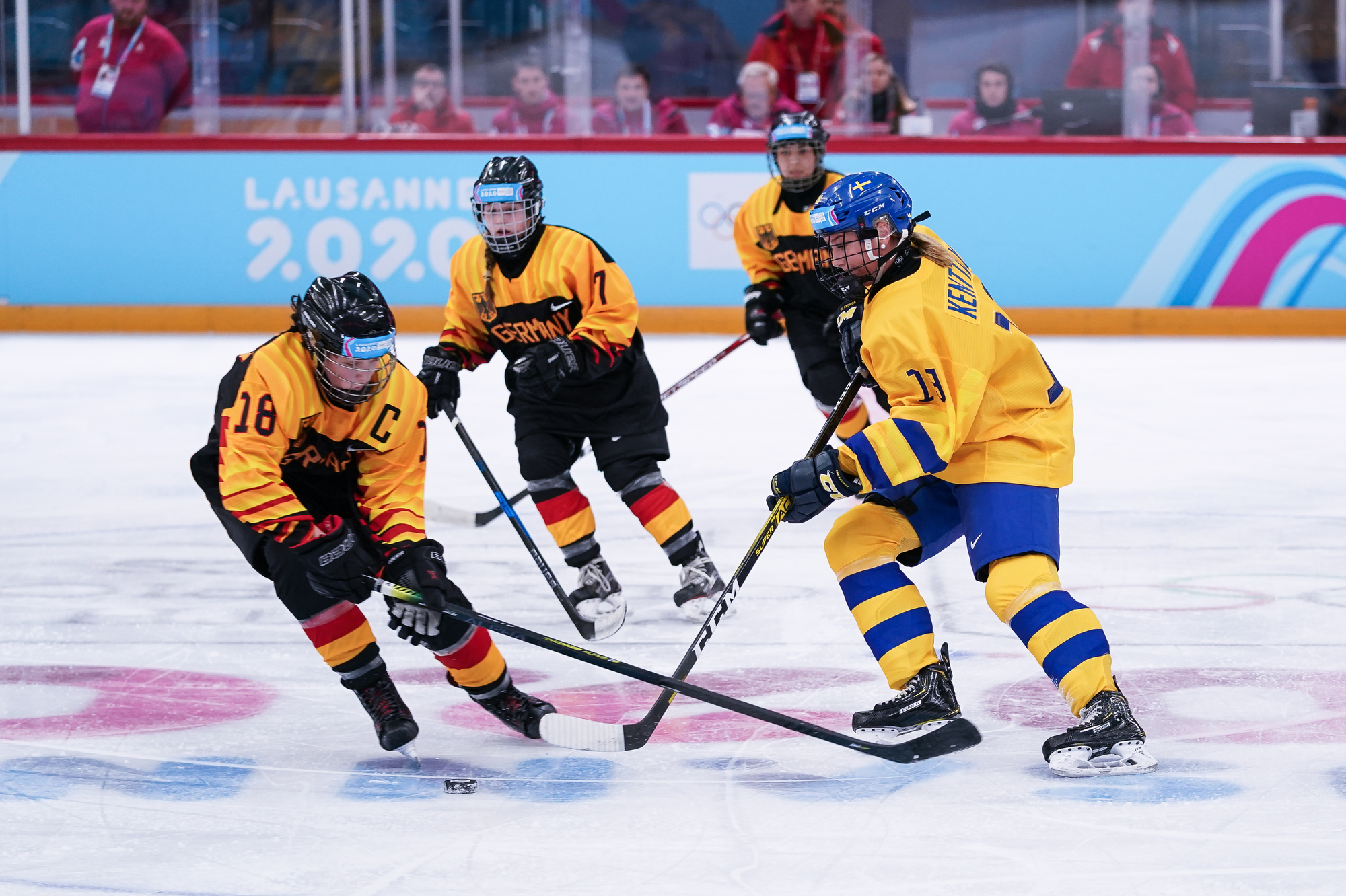 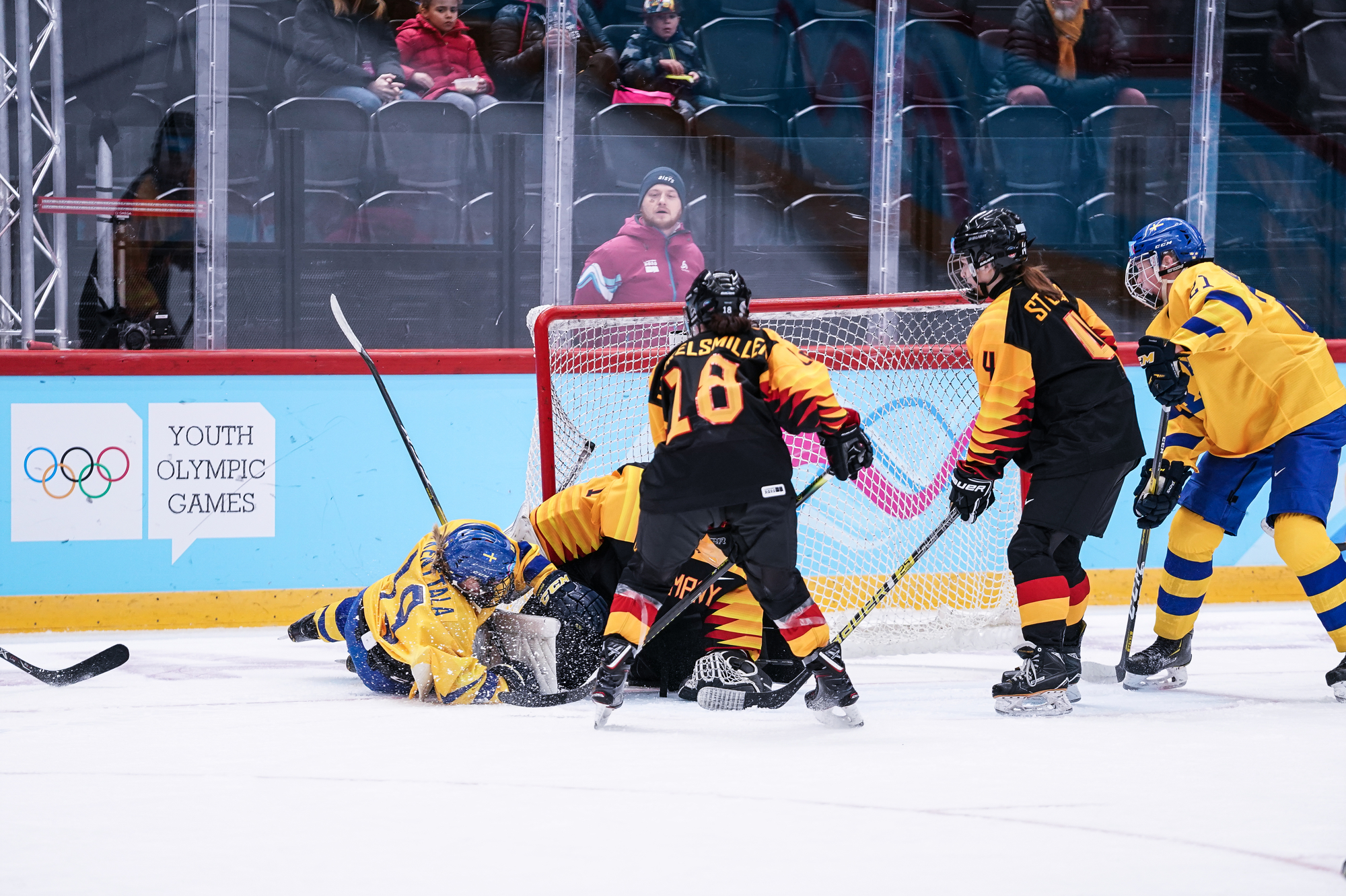 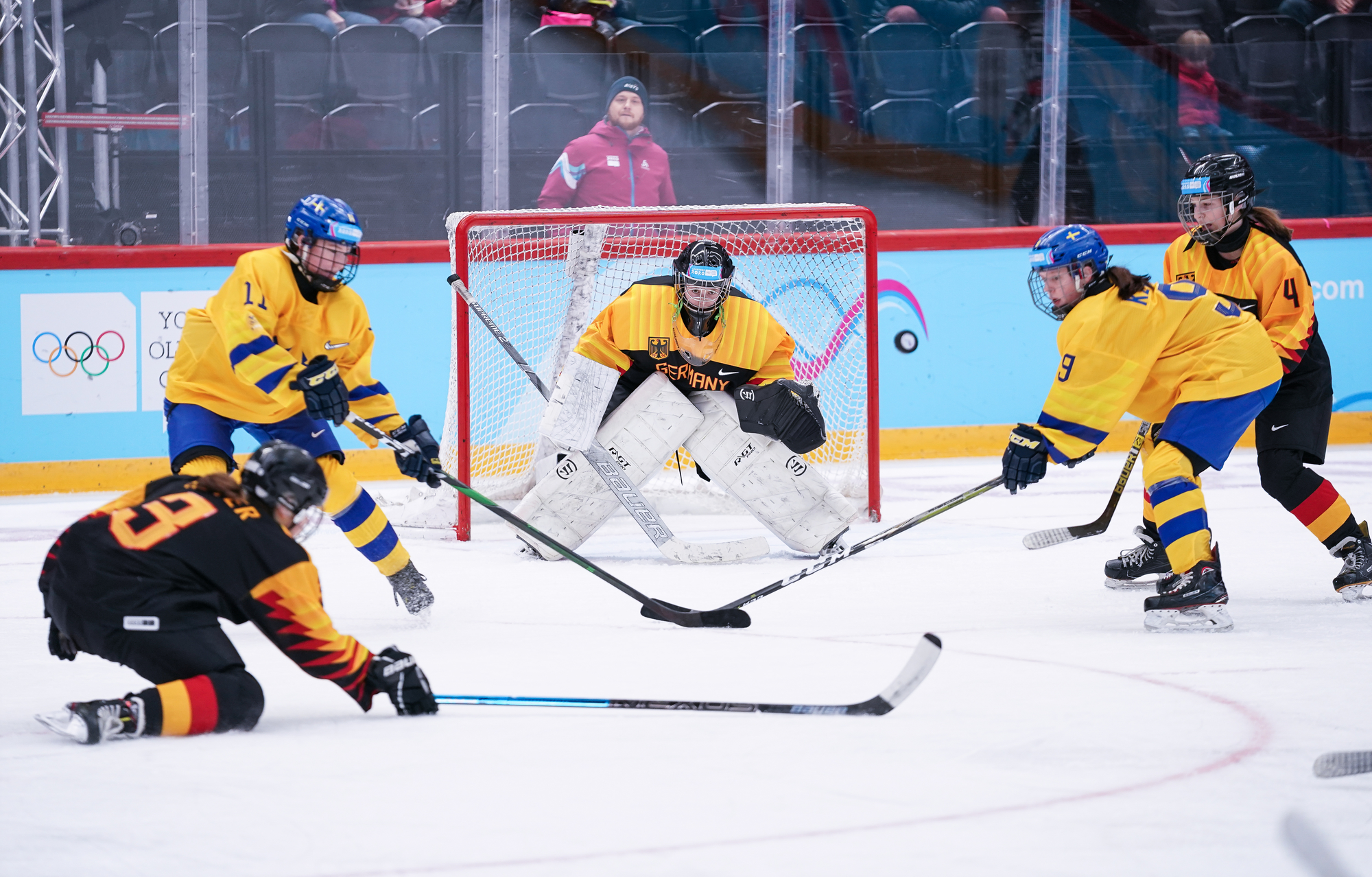 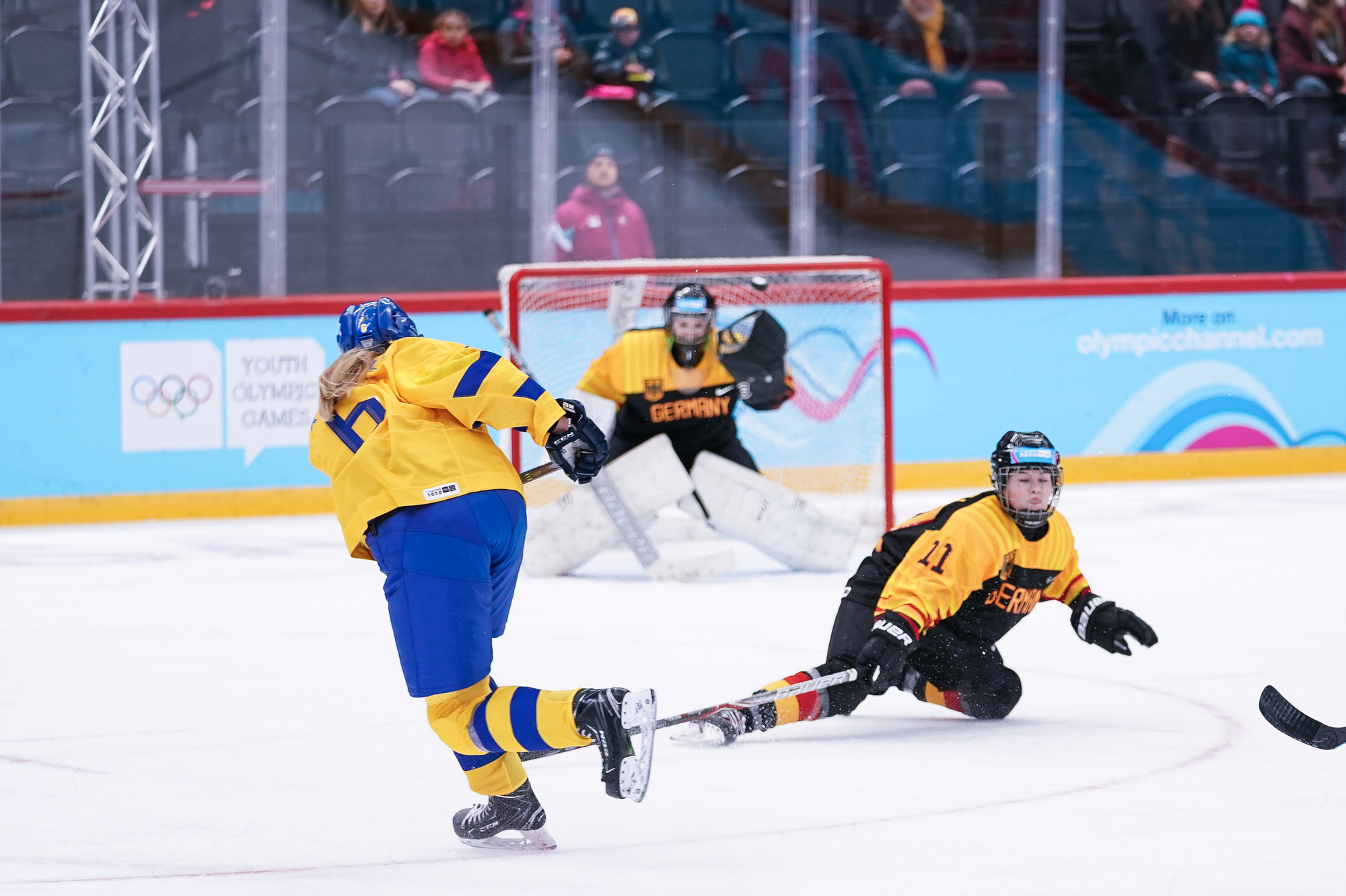 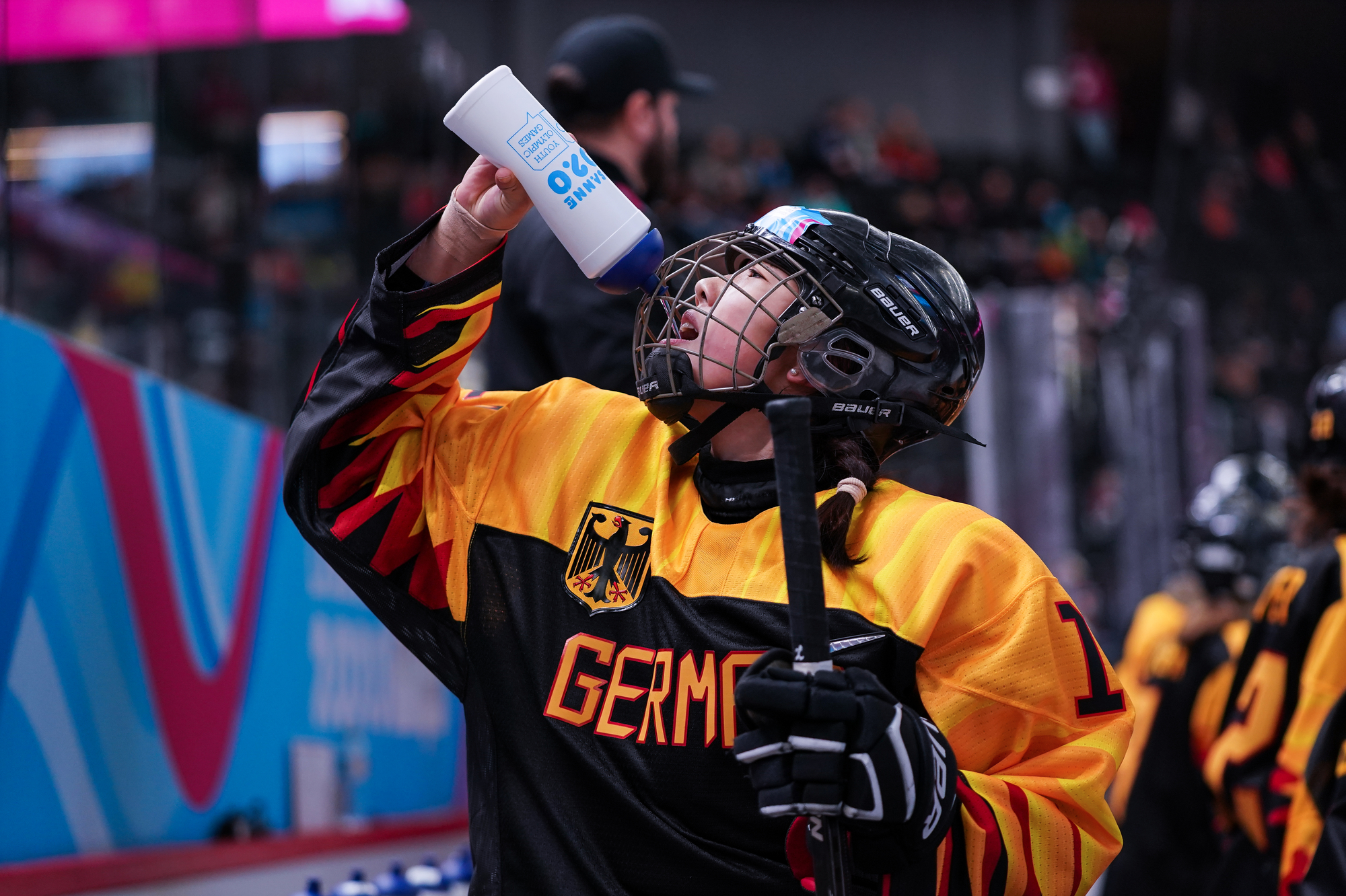 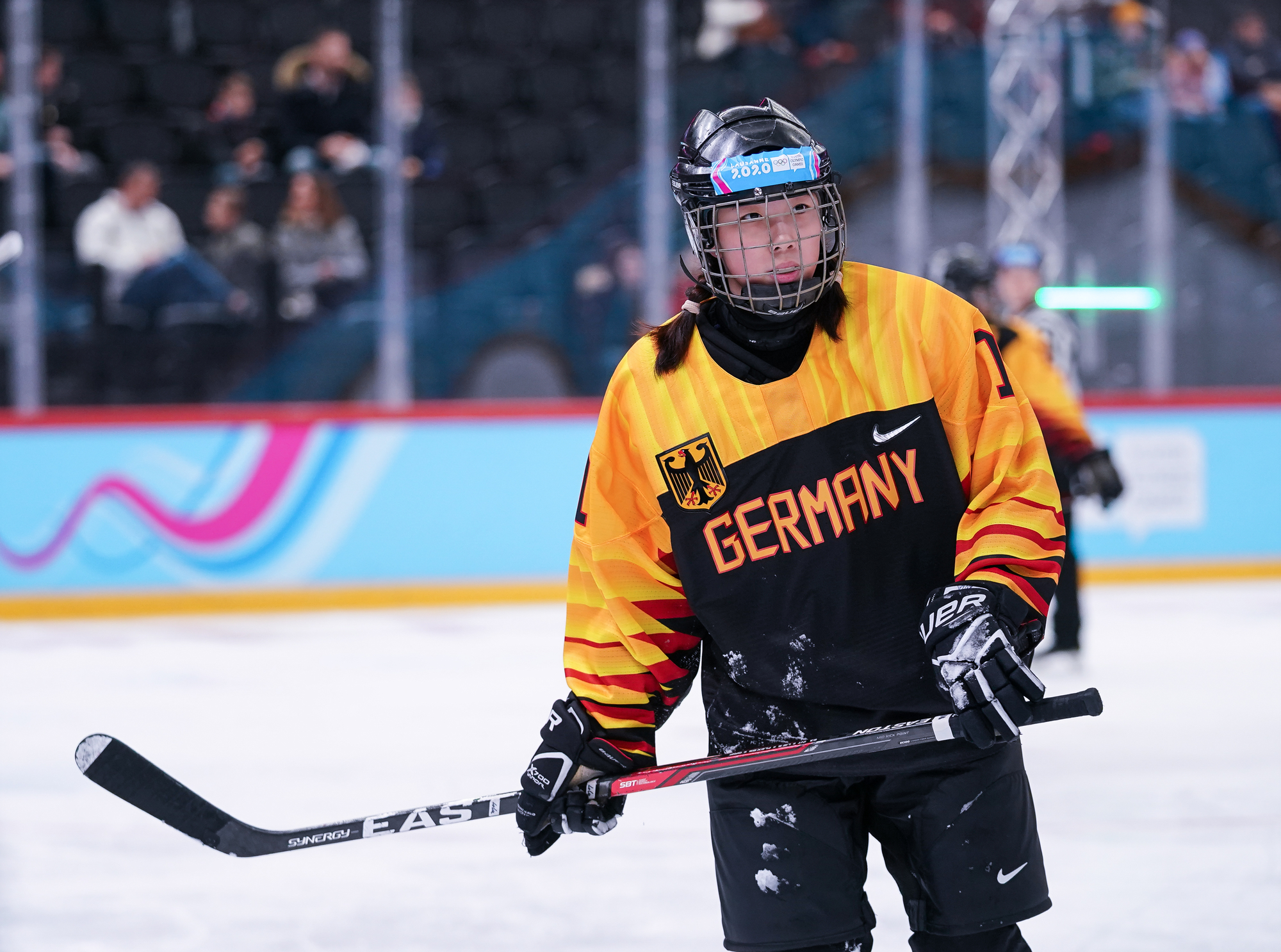 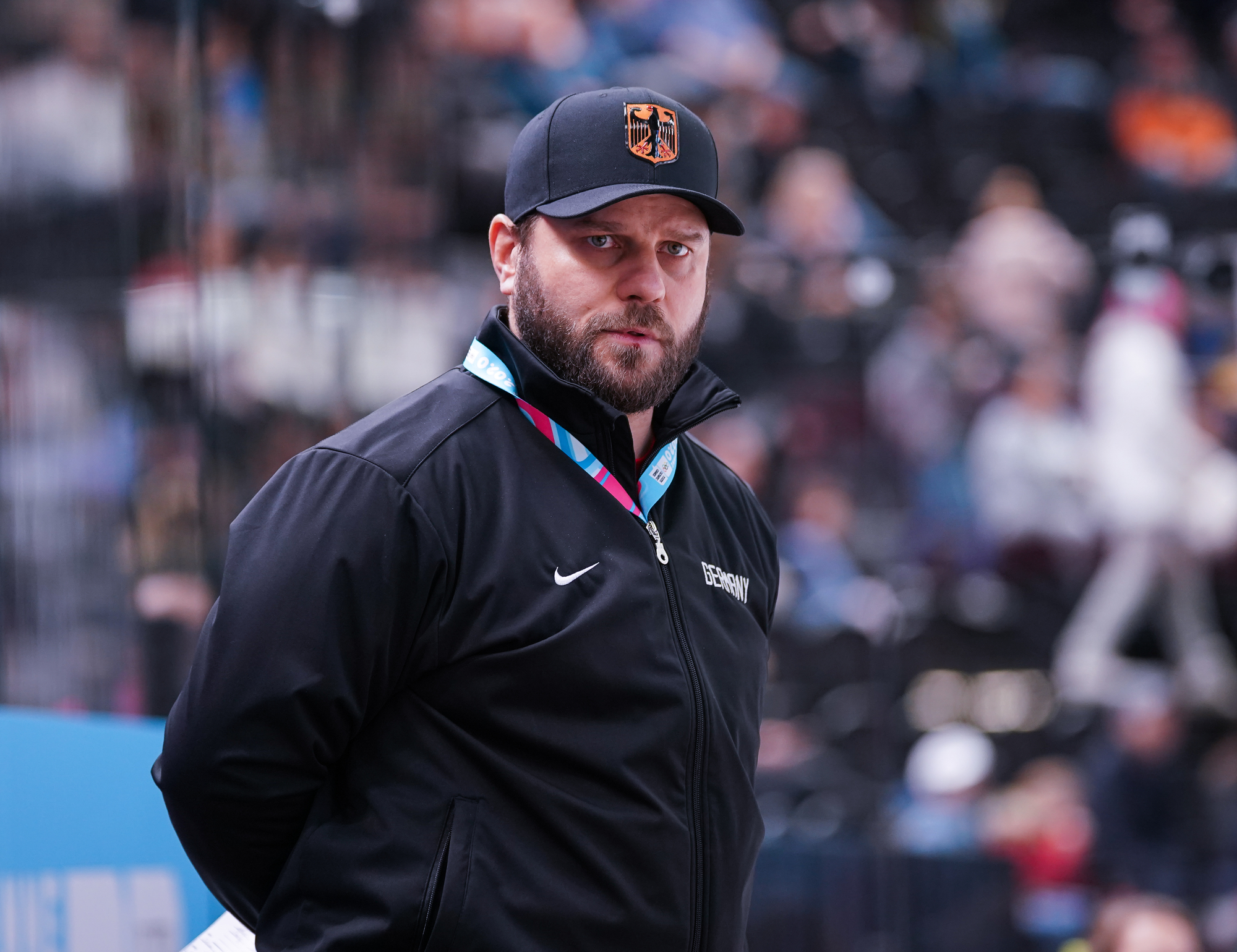 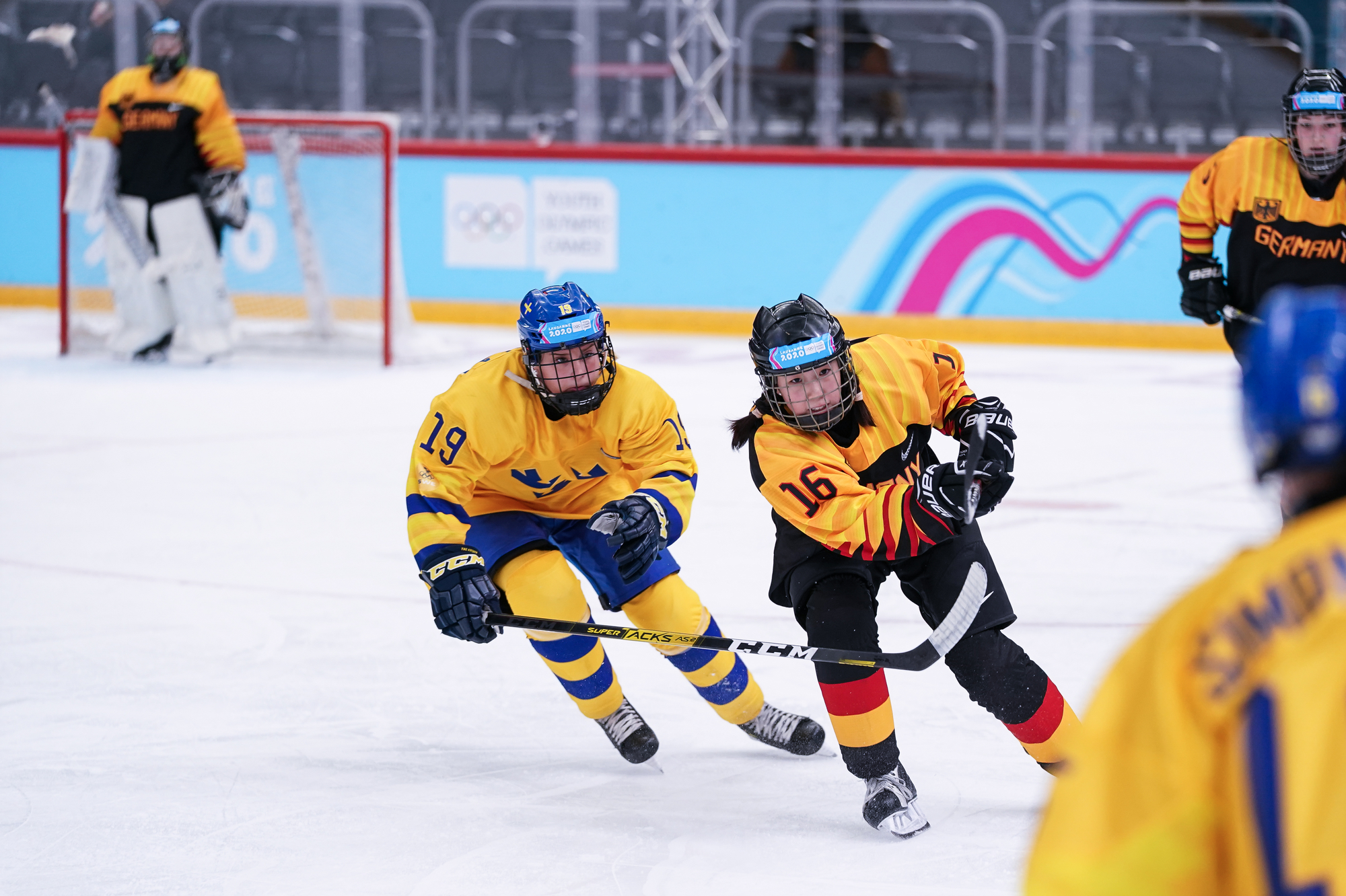 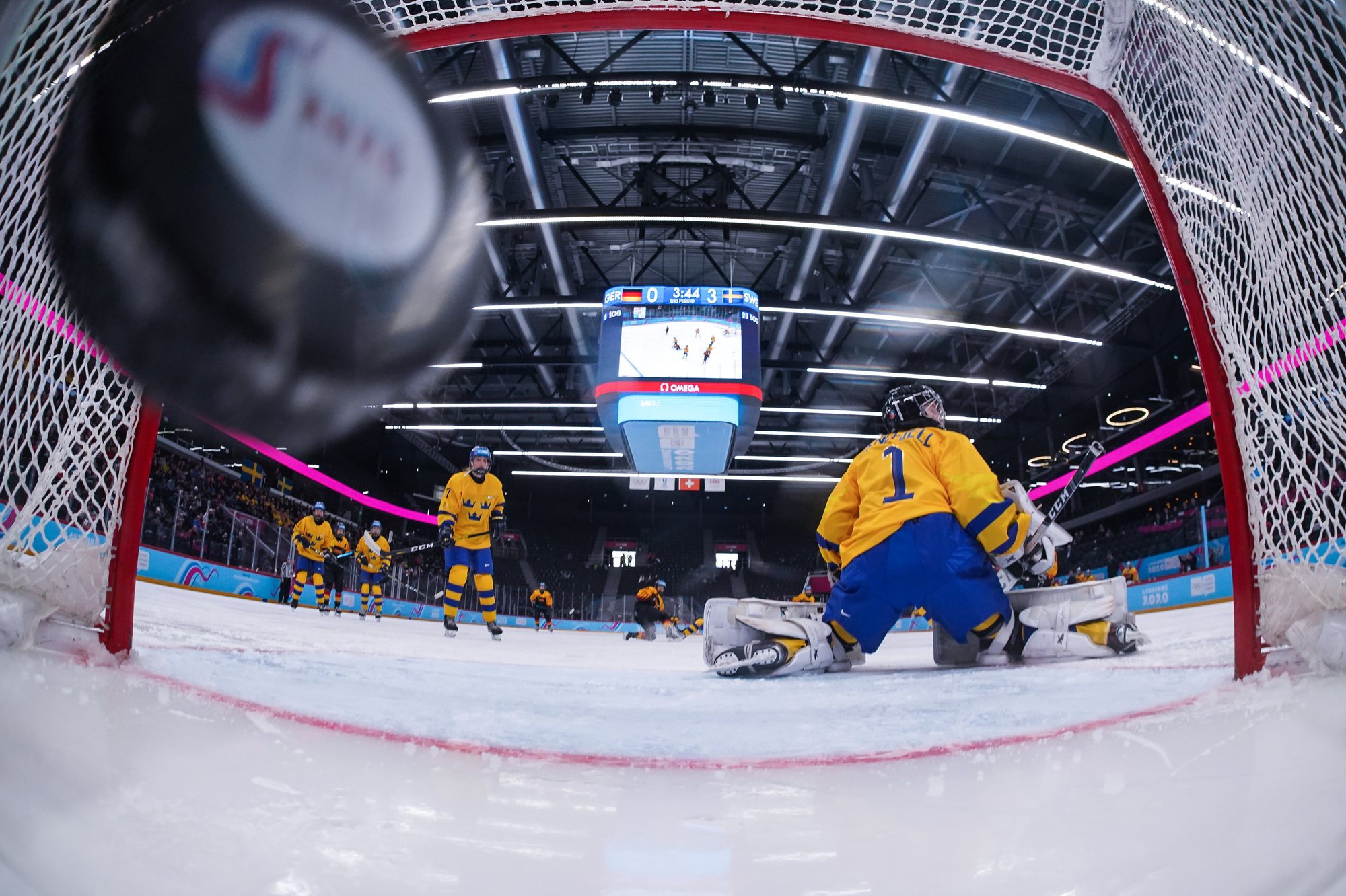