Japan’s dream run through the Lausanne 2020 Youth Olympic Games women’s ice hockey tournament has taken the country within one game of gold, following a dominant semi-final display against Slovakia.

Hina Shimomukai scored a hat trick and Yuzuyu Fujii was only called upon to make seven stops in the game as Japan will play in an Olympic final for the first time in its history.

"I'm happy but I would have liked more shots (laughs)," said Fujii. "Our team is playing very good defensively."

The Japanese came into the game as the Group B winners and playing confidently behind an opportunistic and balanced offence, and a defence that has displayed shut-down hockey through two games in the Youth Olympic preliminary round.

Japan went to work immediately, on a 2-on-2 rush Hina Shimomukai streaked down the left side of the ice and threw the puck on net with a backhand pass that bounced off a Slovak defender and into the net for the 1-0 lead two and a half minutes into the game.

Then 53 seconds later it was Miramaki making the play to get the puck into the Slovak zone, dropping behind the defender and centering the puck to Riri Noro to give the Japanese a 2-0 lead.

"We wanted to play with speed today, and to attack together," said Kamada. "That was our theme going into this game."

Defensively, Japan kept a lid on the Slovaks, only giving up its first shot on goal with 4:32 left in the first period.

Firmly in control through two periods, Japan registered 19 shots on net and surrendered just four to the Slovaks. The Japanese added a late goal in the second period when Reina Sato, who competed at the Youth Olympic 3-on-3 competition, sprung Kamada on a two-on-none with Makoto Ito. Kamada passed over to Ito, and the tournament top scorer beat Medvidova with a backhand deke to give the team a big 3-0 goal with 47 seconds remaining in the period.

The third period saw more of the same, with Shimomukai adding an exclamation point with her second goal of the game, coming on a wrist shot that went bar-down for the 4-0 lead and then another at the five-minute mark from almost the exact same position. Japan cruised through the final 15 minutes and is now headed for its first-ever appearance in the gold medal game of an Olympic event.

"Yesterday Our National Olympic Committee President (Yasuhiro Yamashita) said to us 'believe in yourself'," said Shimomukai. "So I thought that I needed to believe in myself and that I could score today."

It’s a clash of the titans as the two undefeated teams Sweden and Japan face off against each other in the women’s gold medal game on Tuesday at 20:00. Slovakia will play Switzerland in the bronze medal game at 17:00. 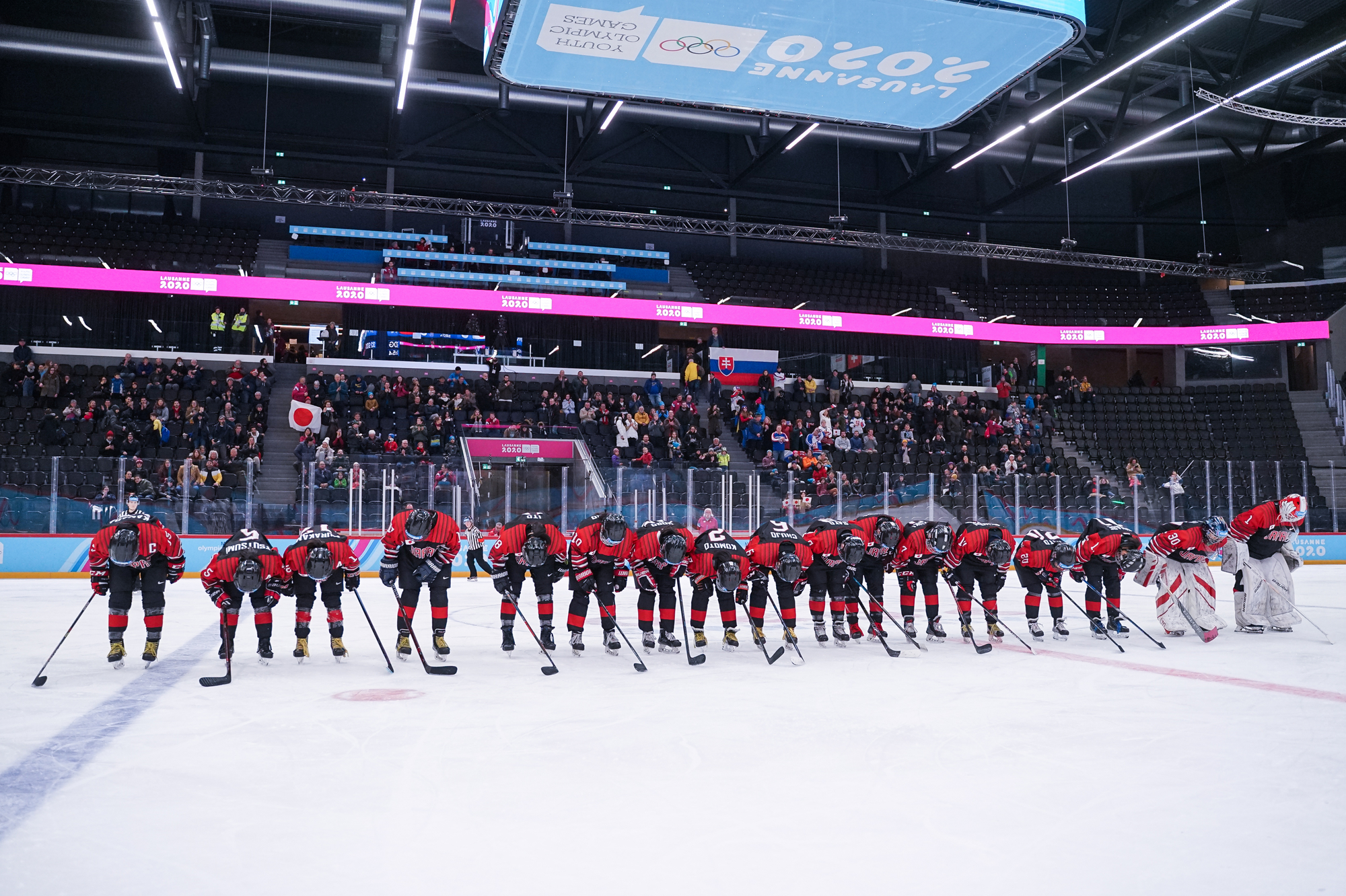 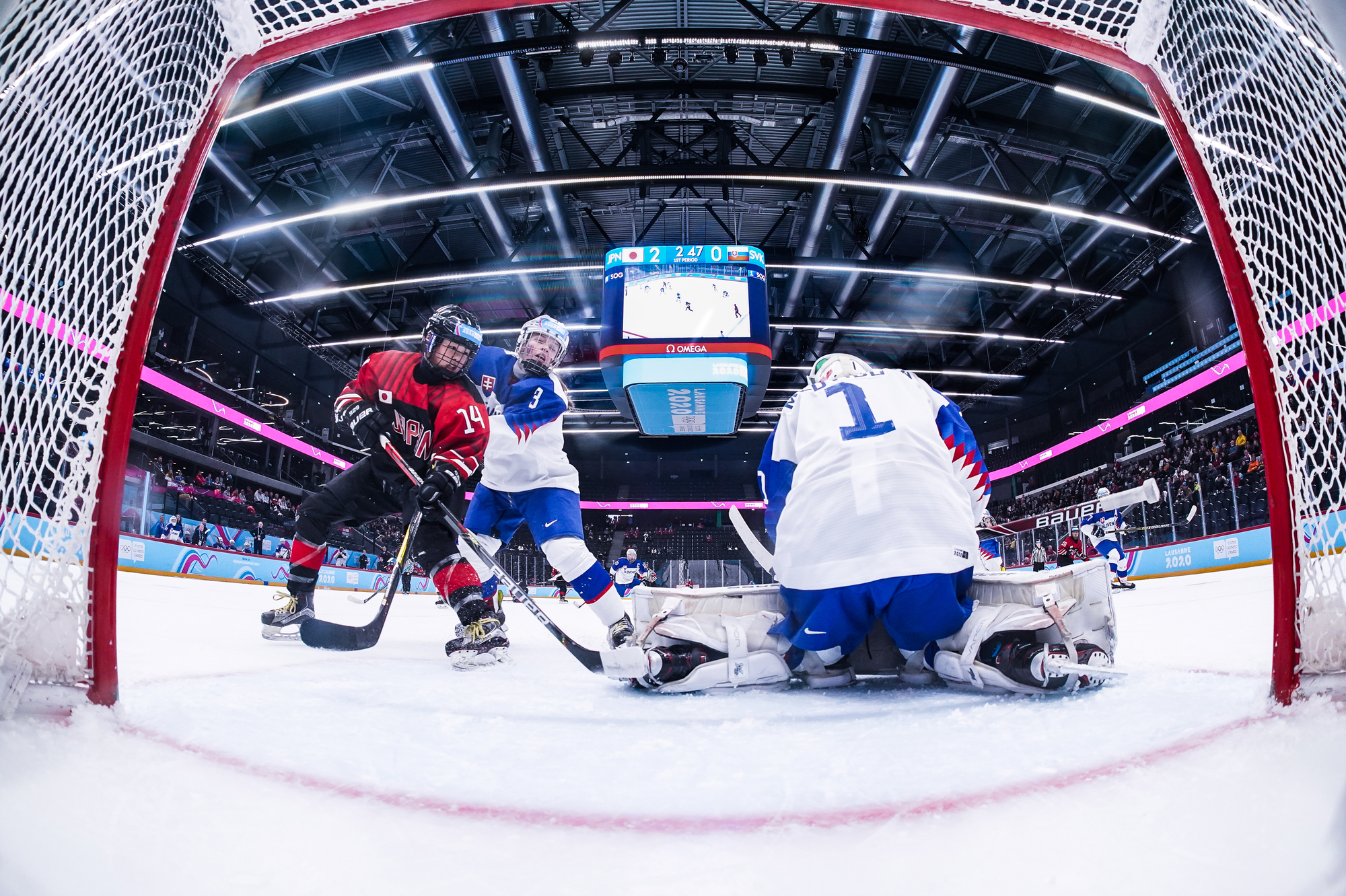 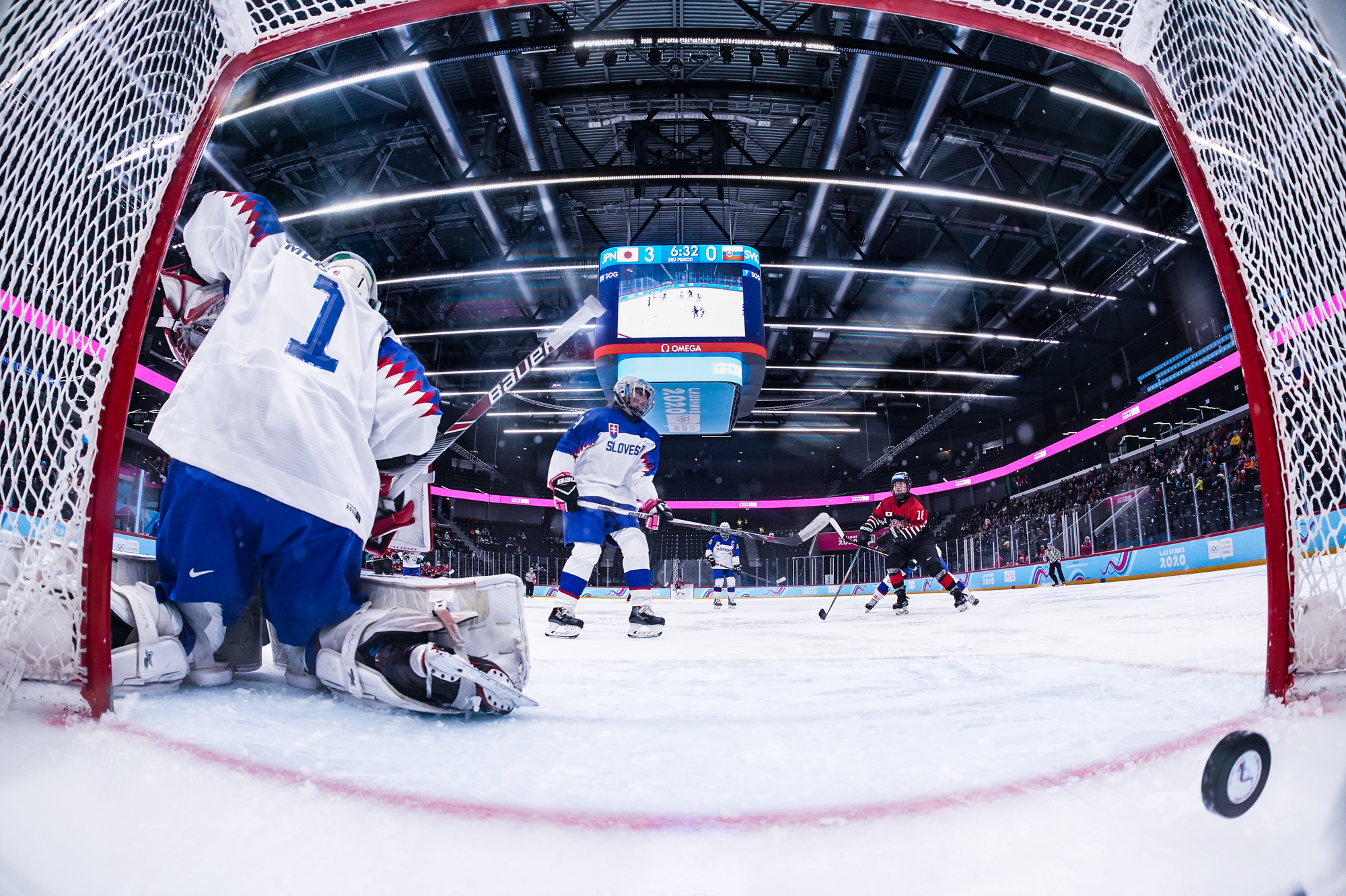 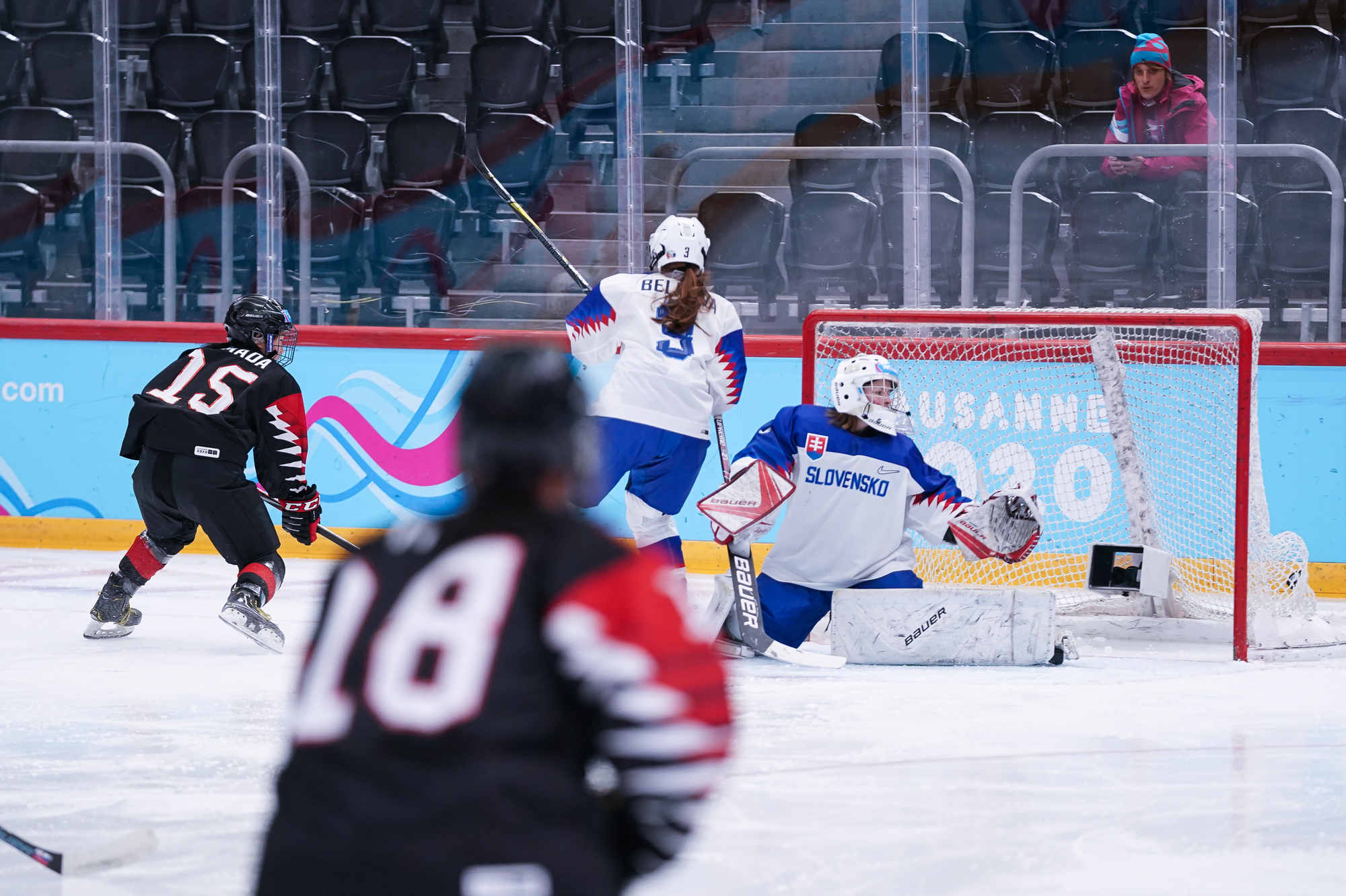 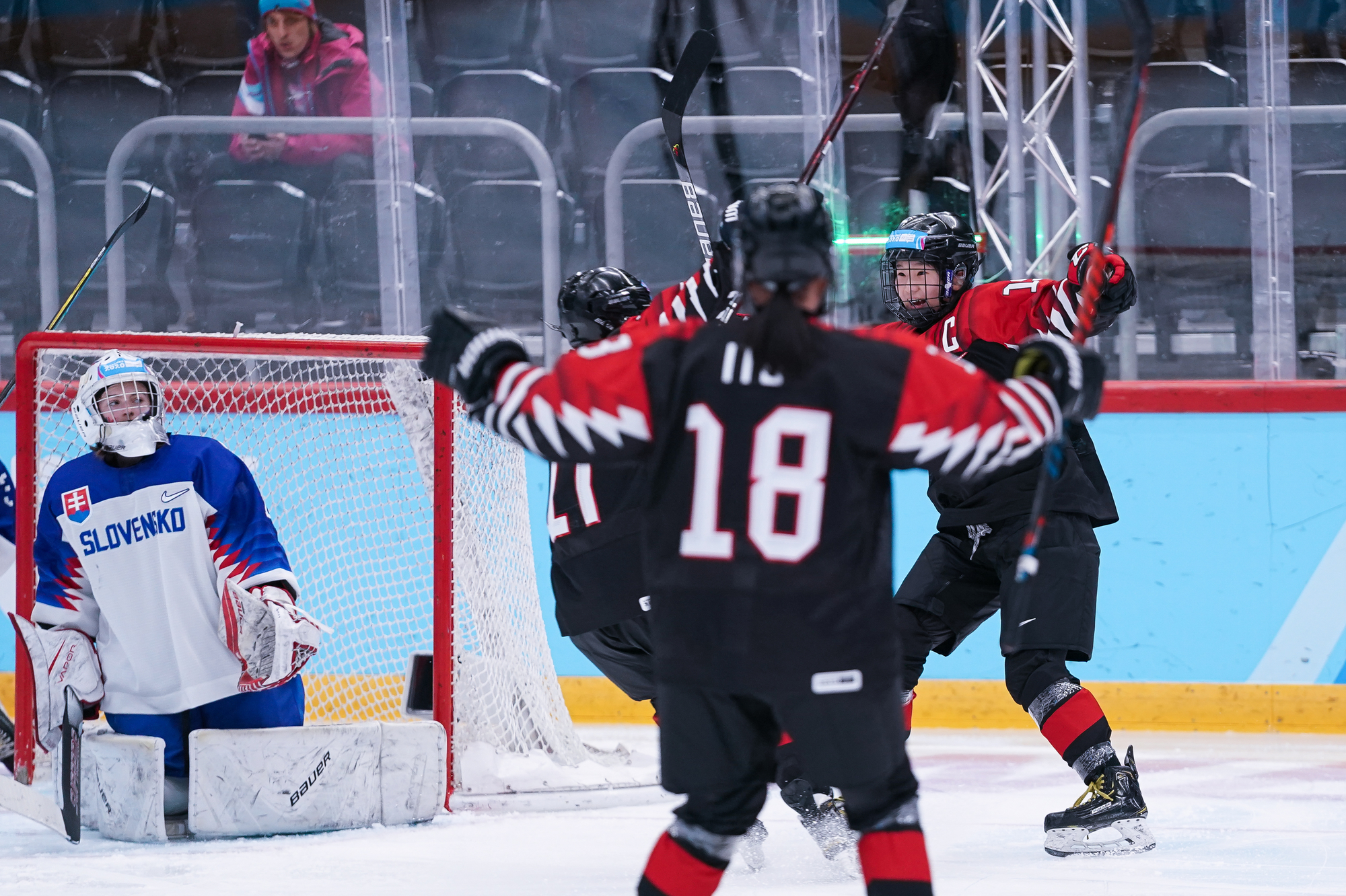 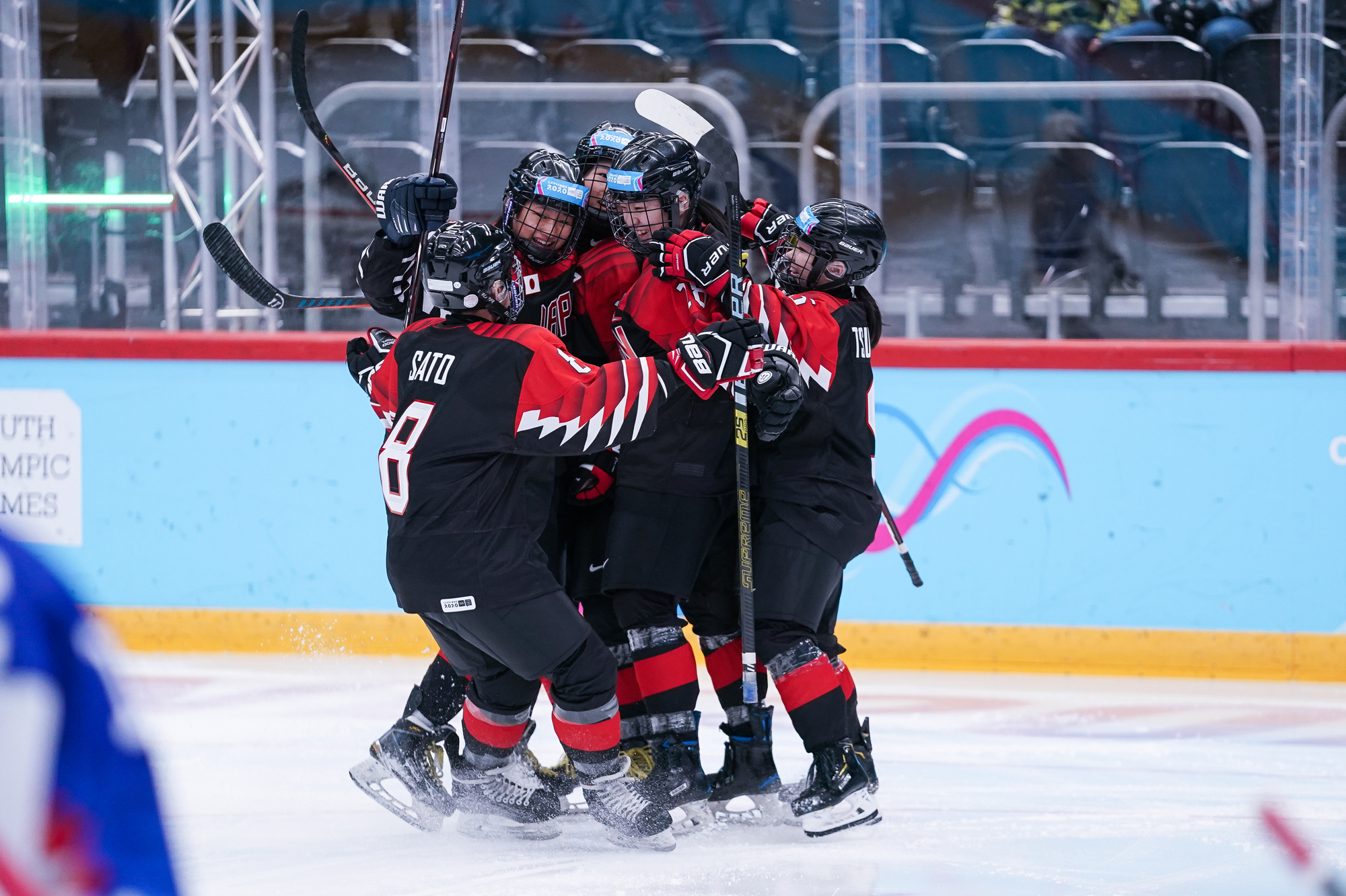 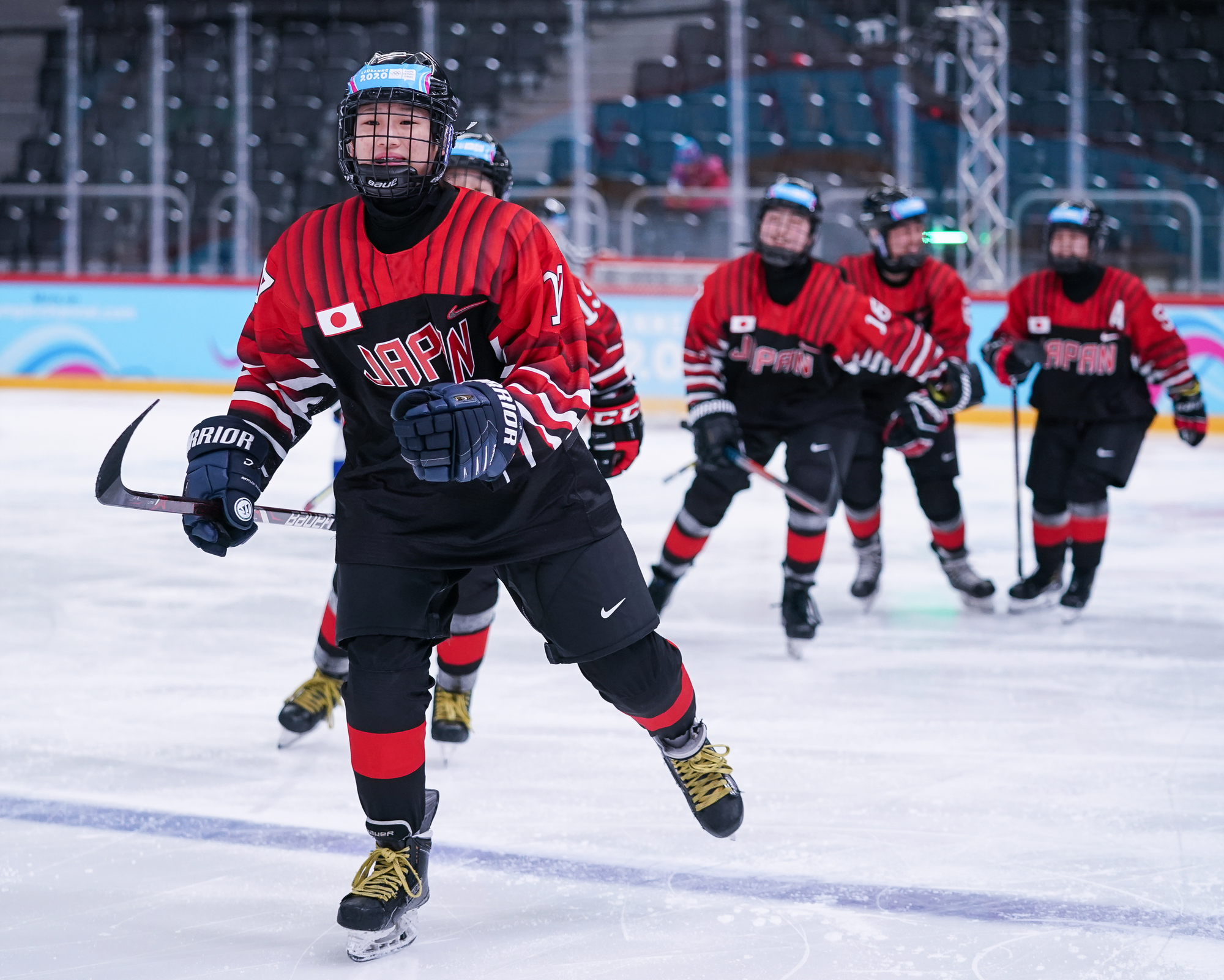 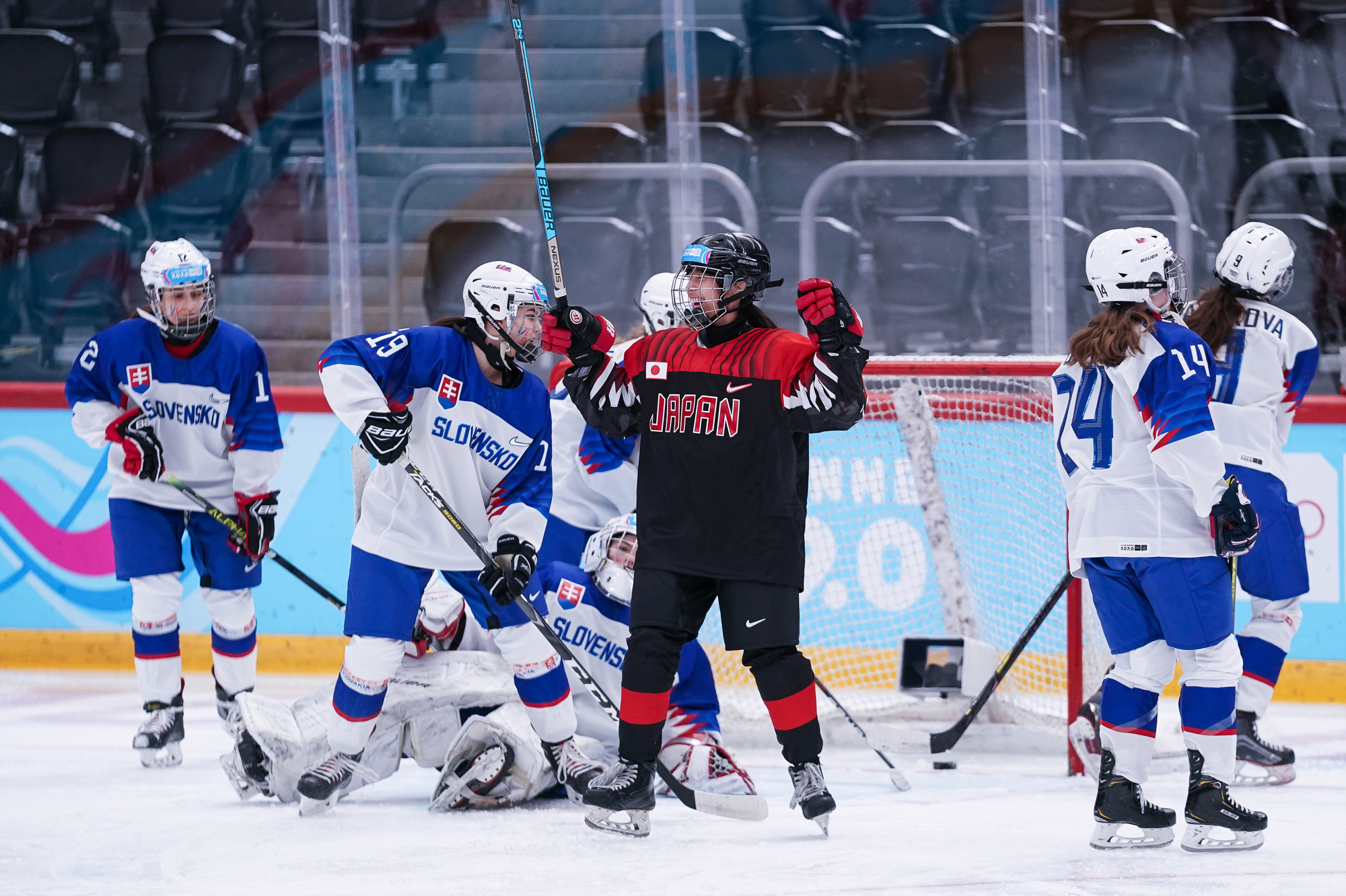 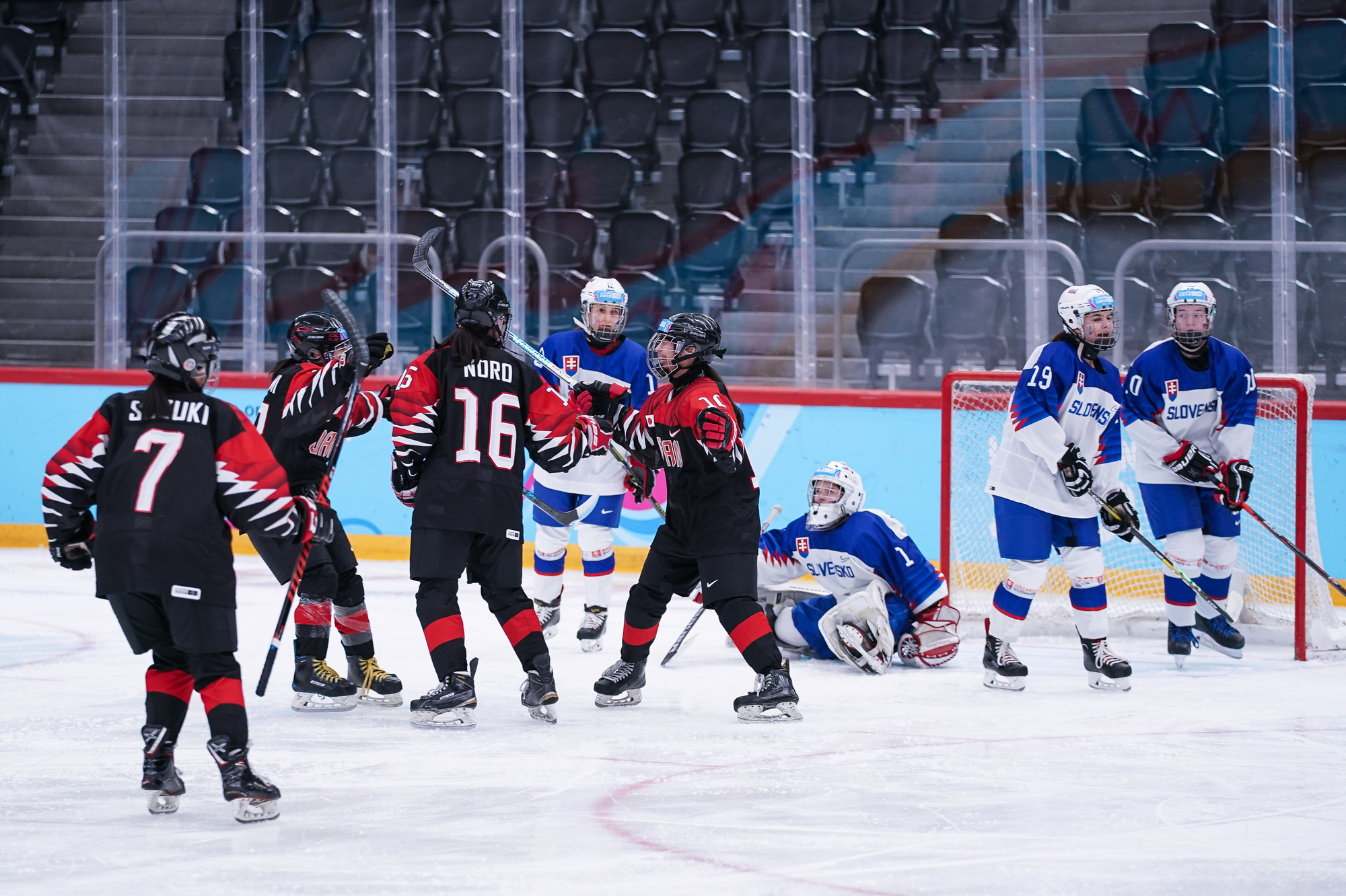 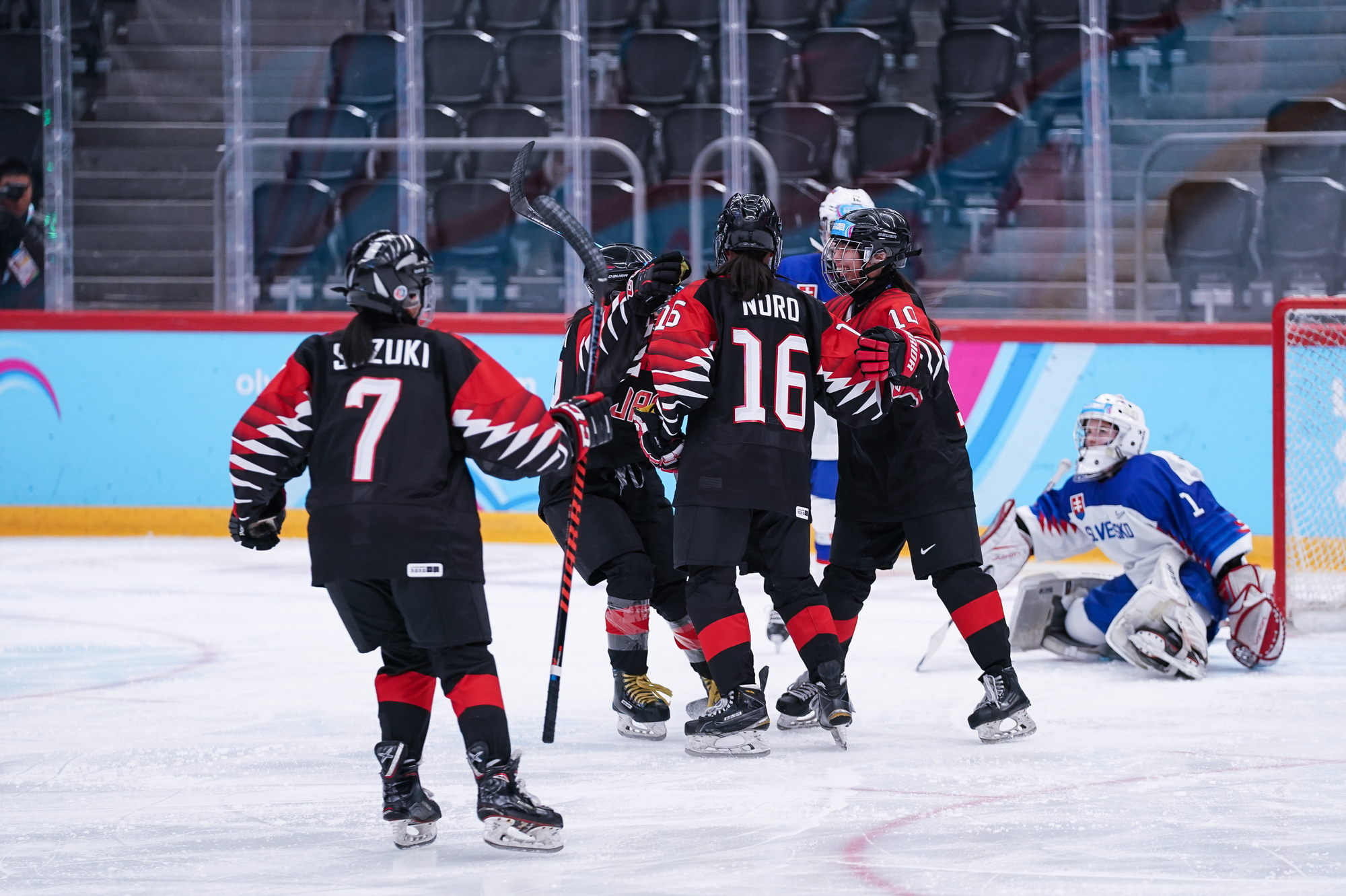 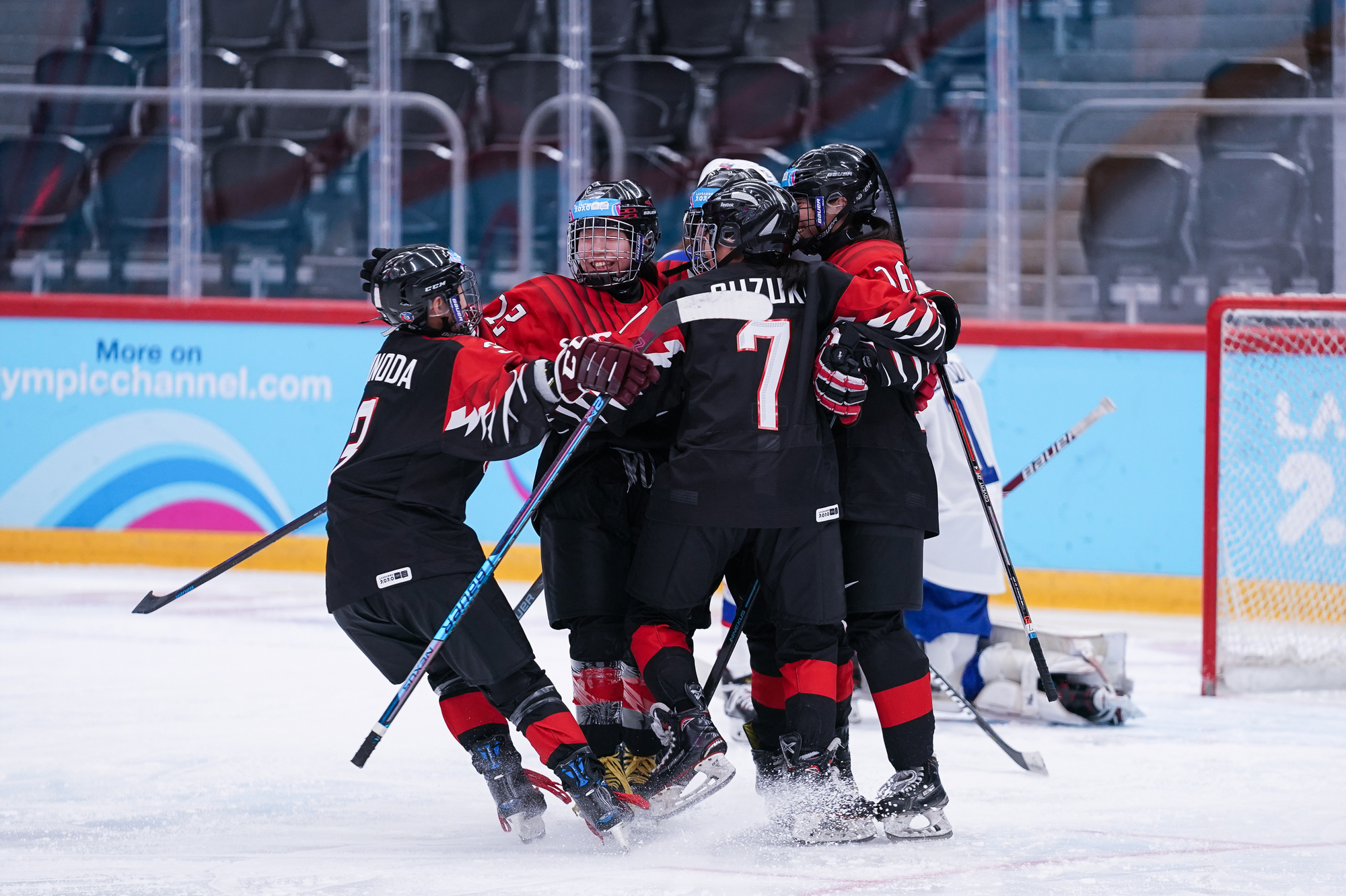 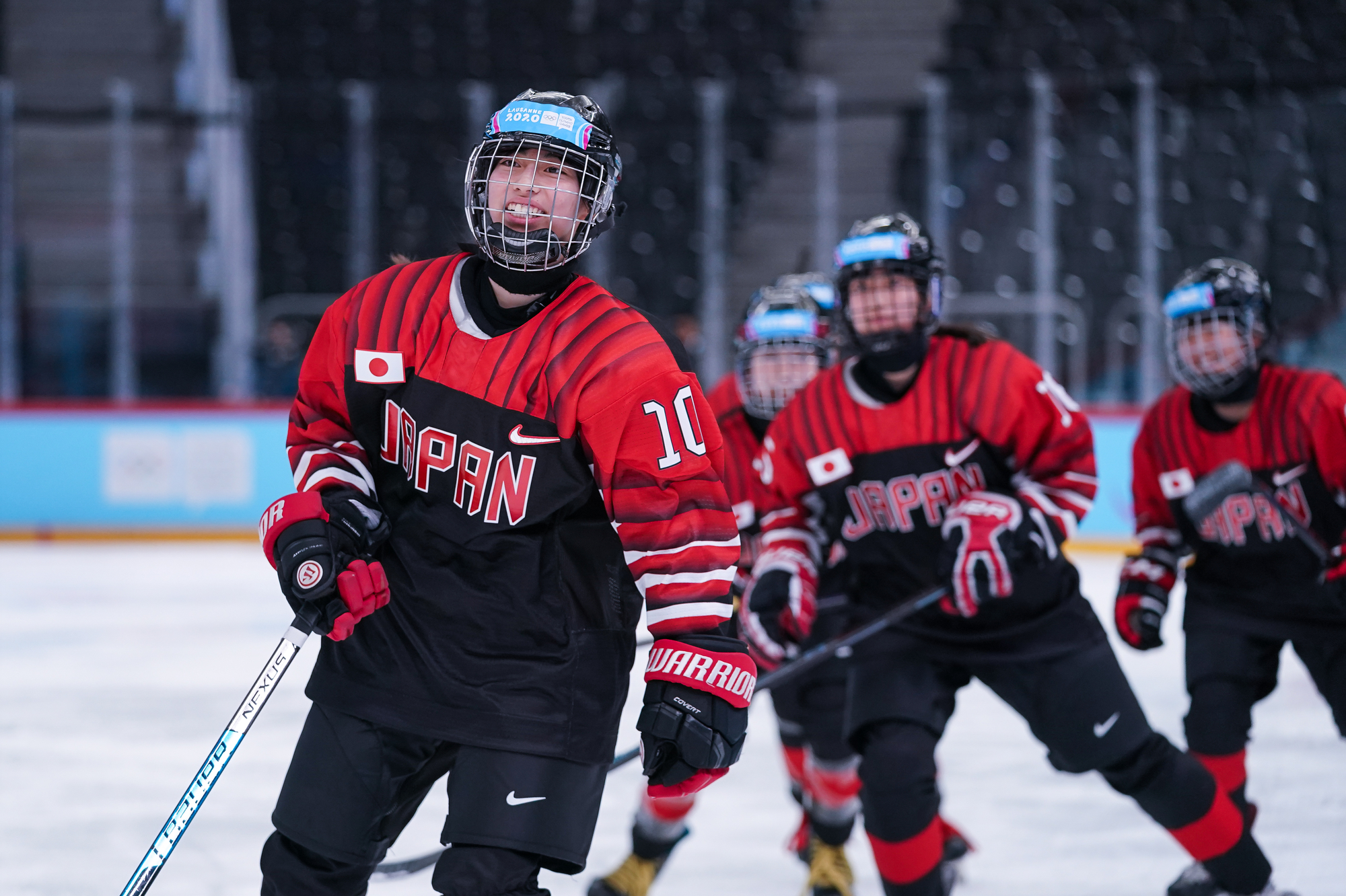 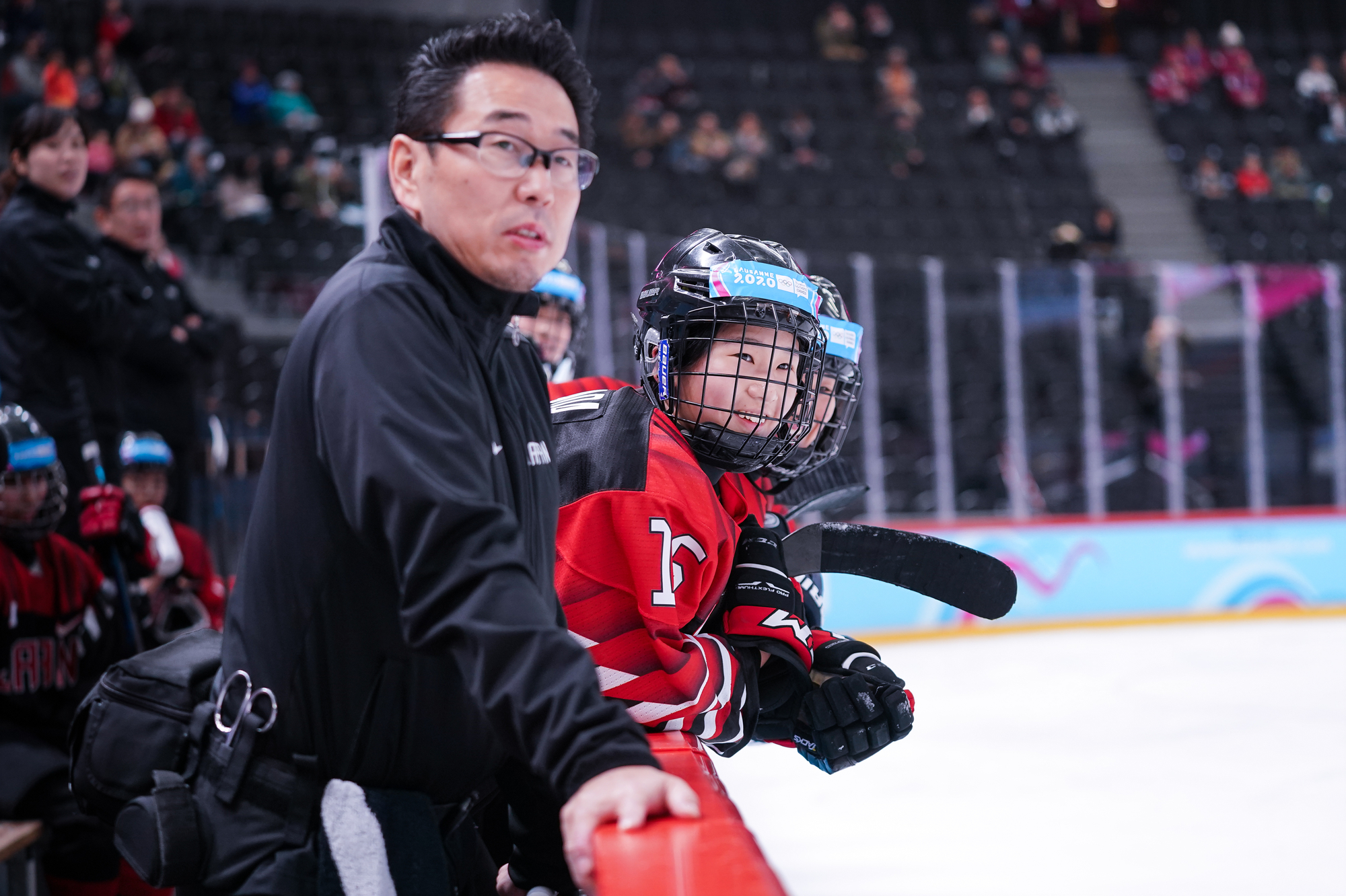 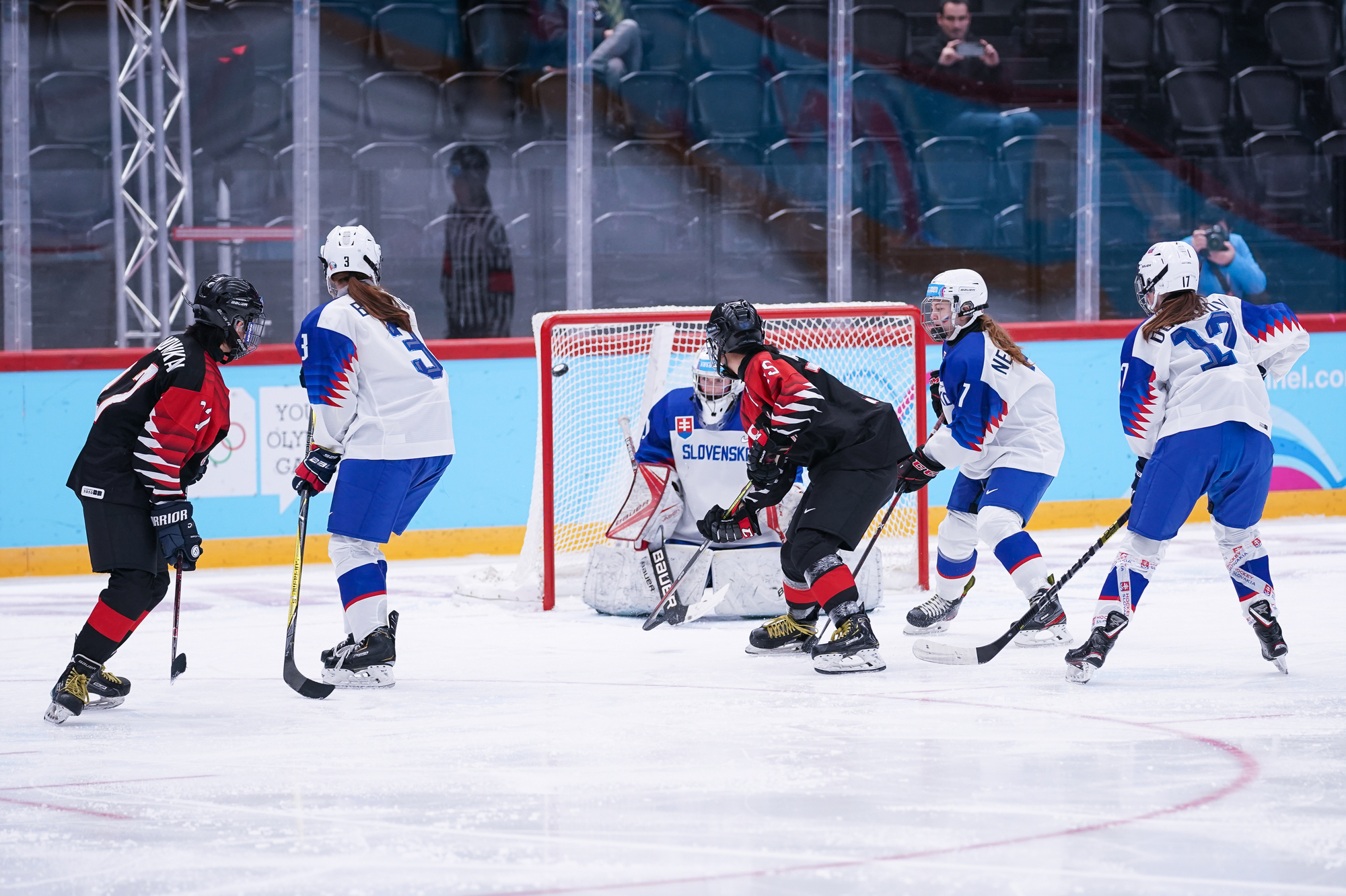 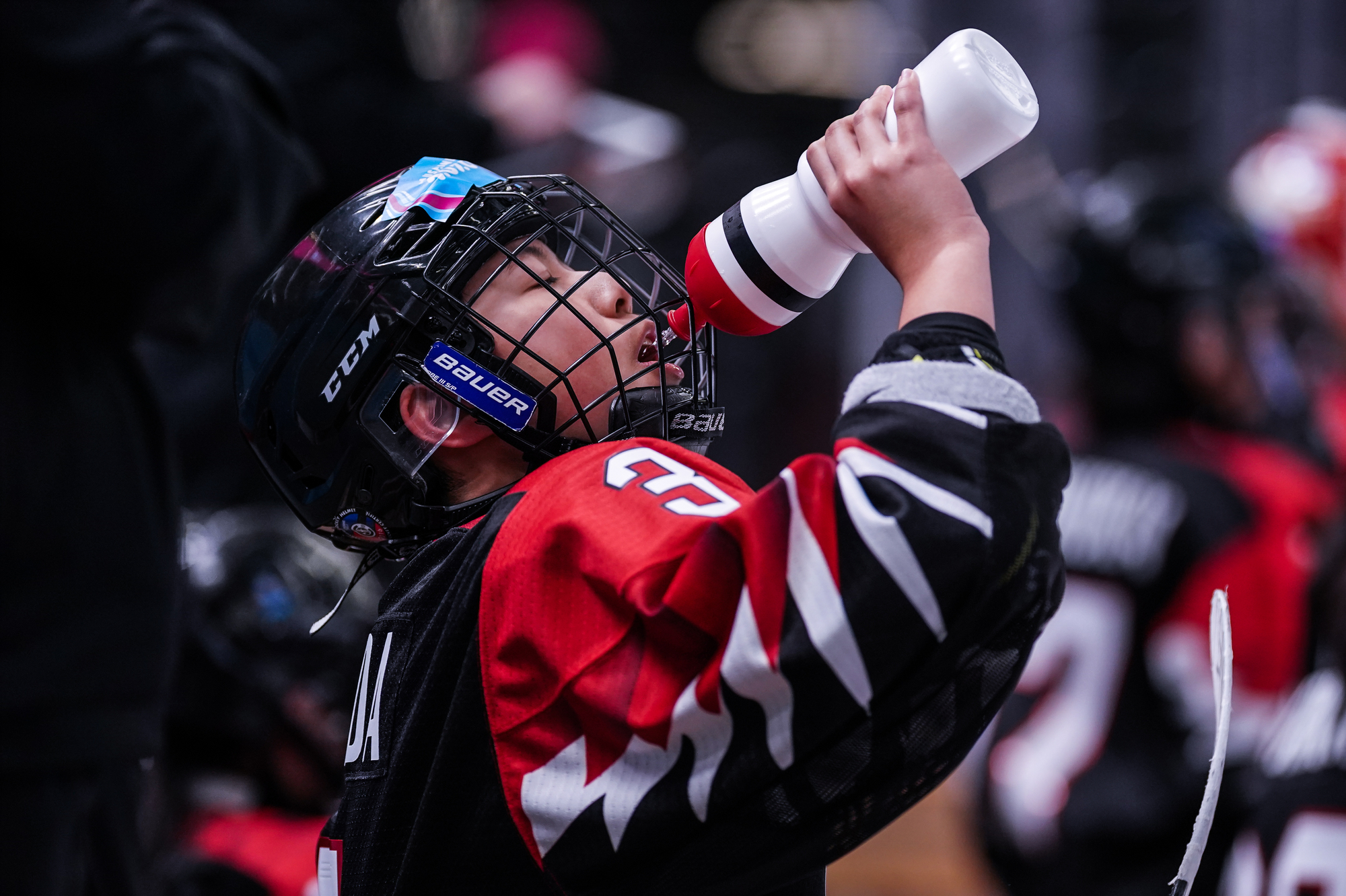 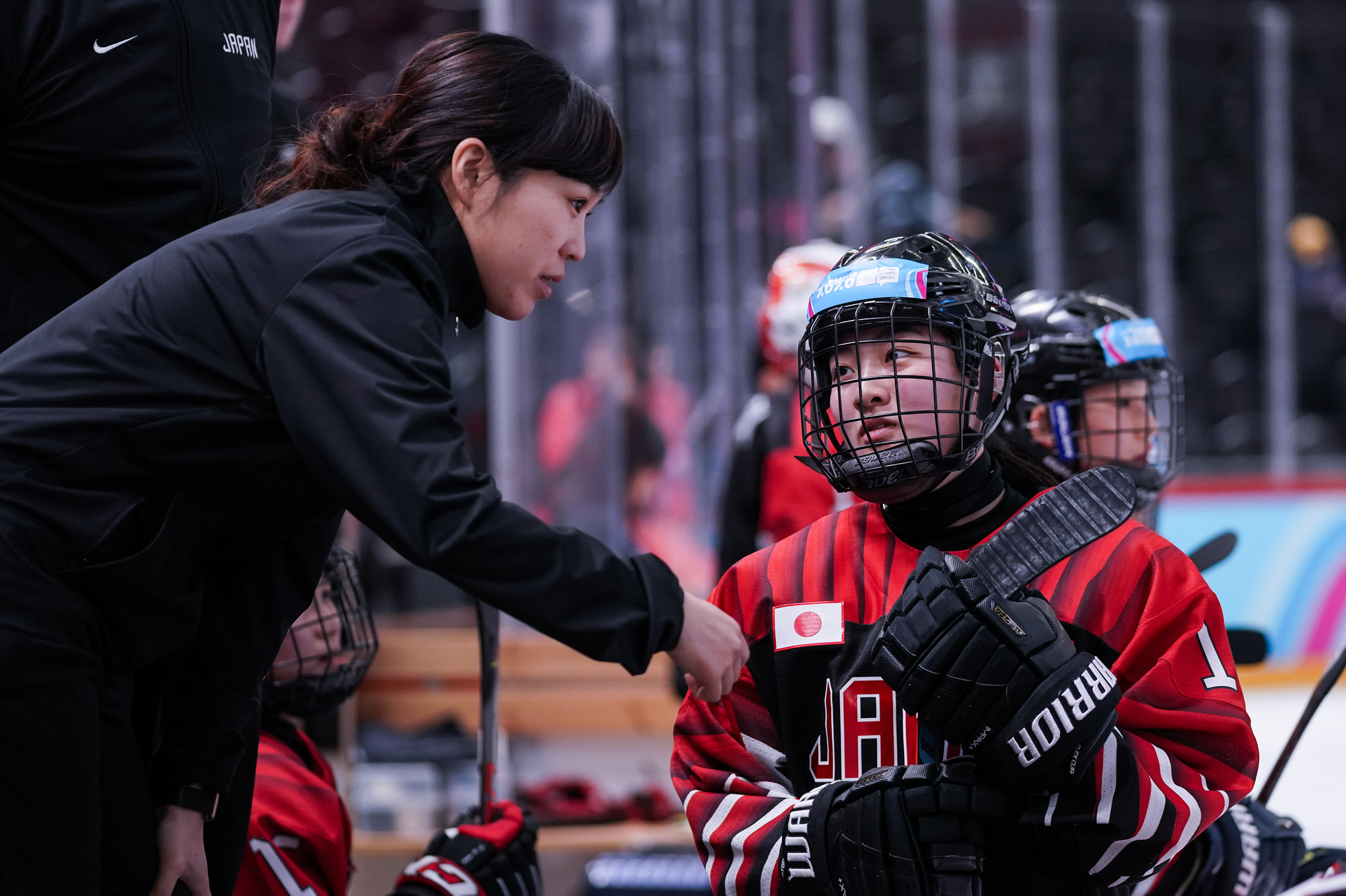 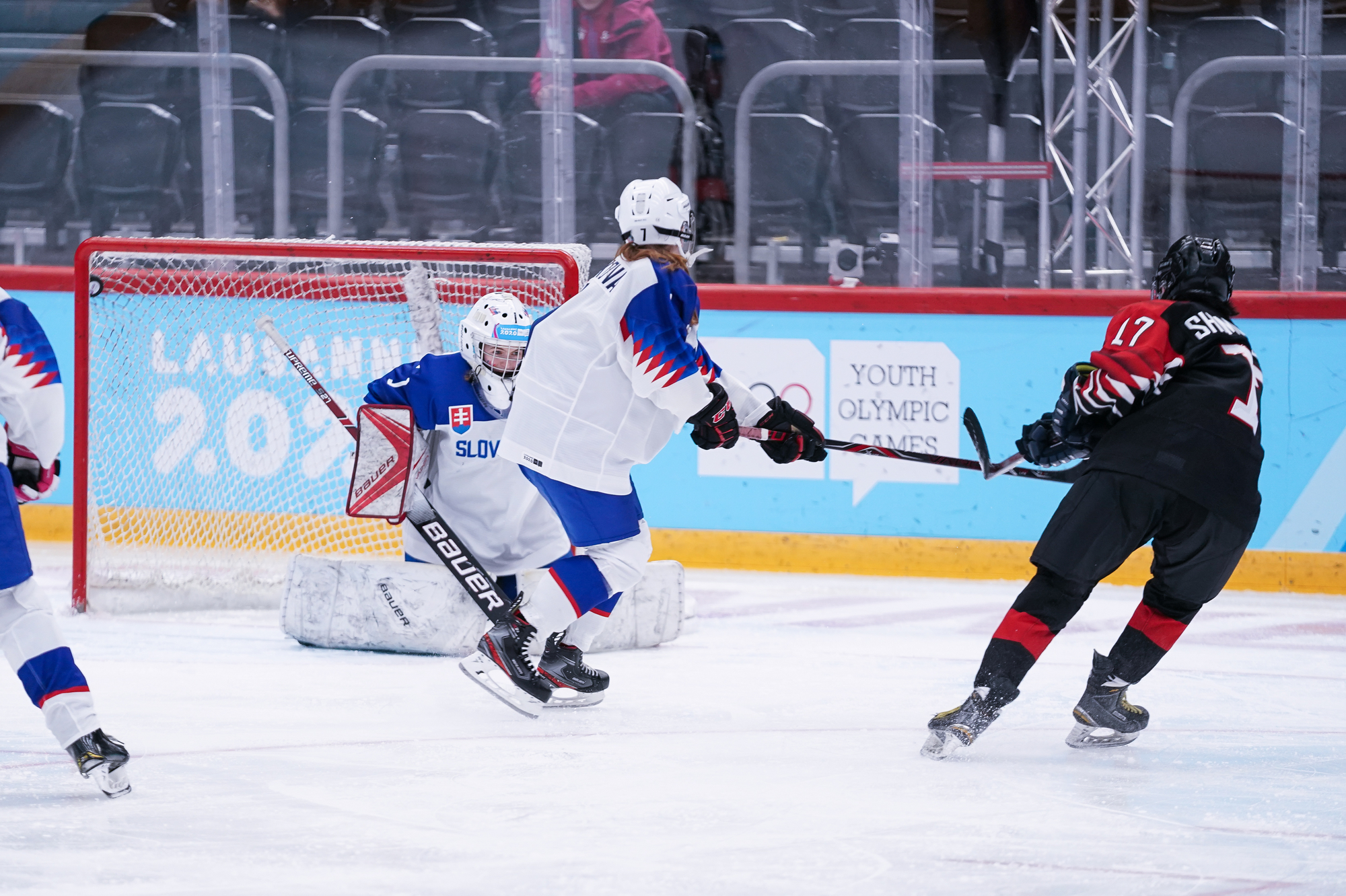 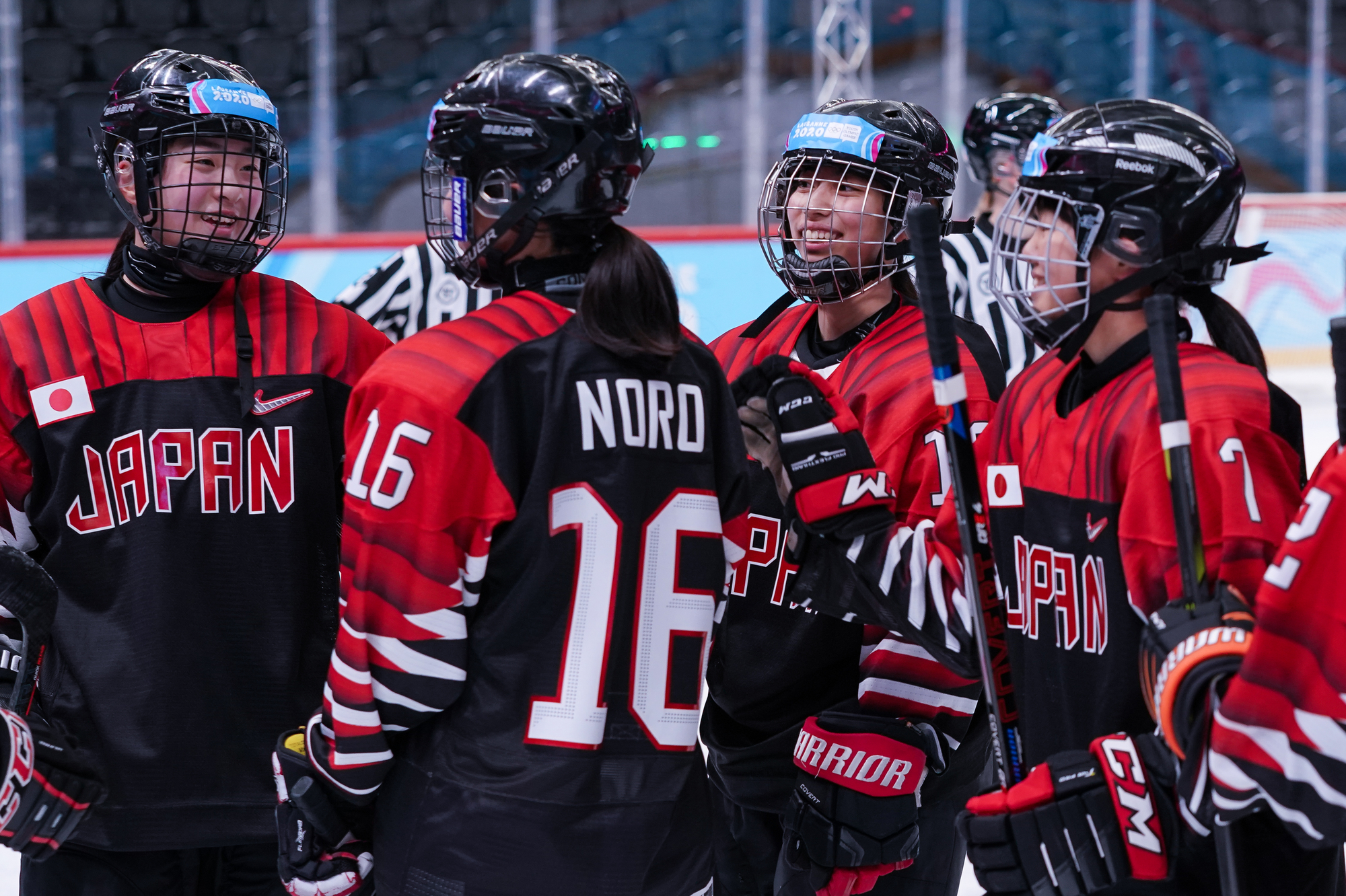 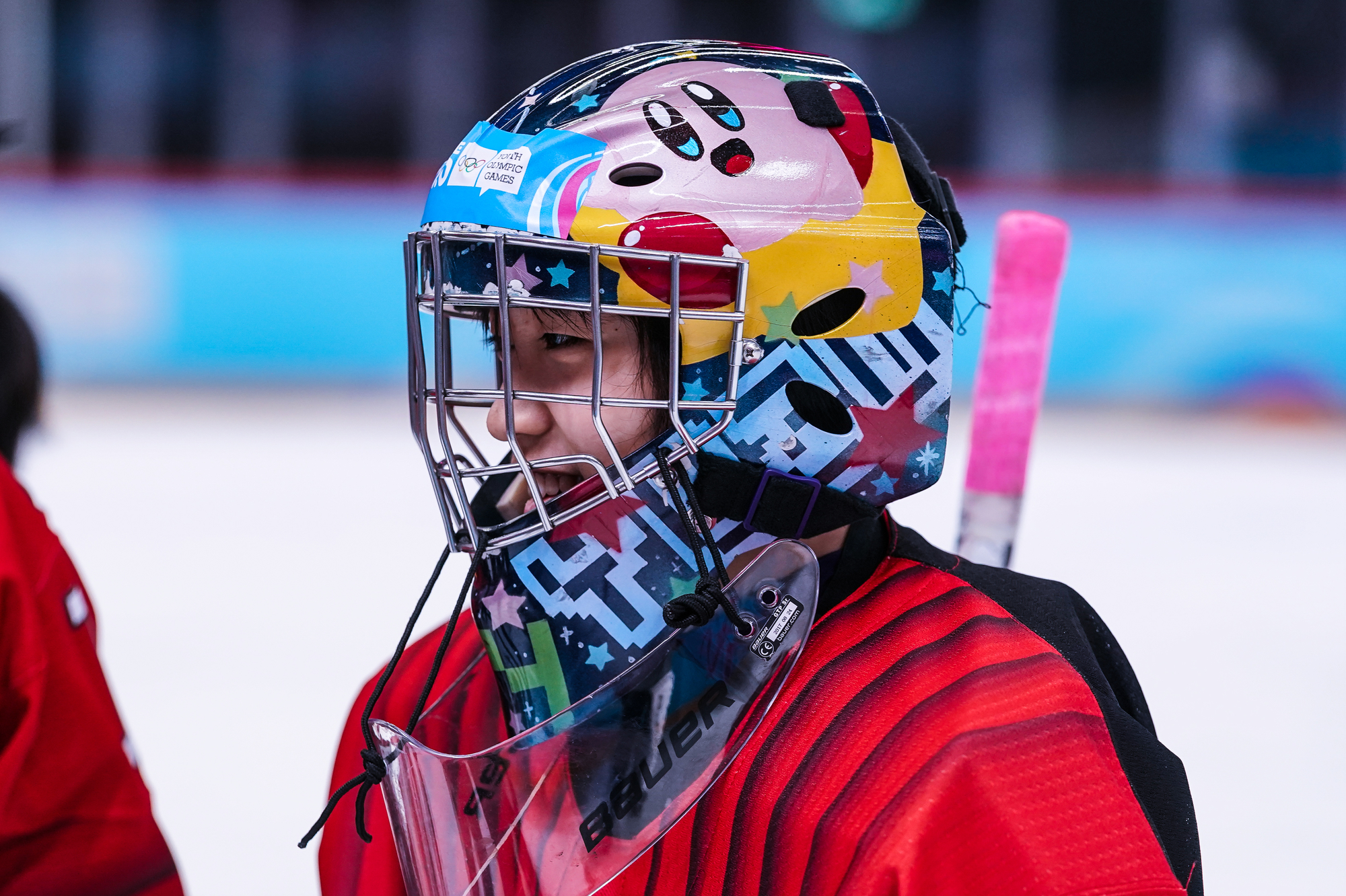 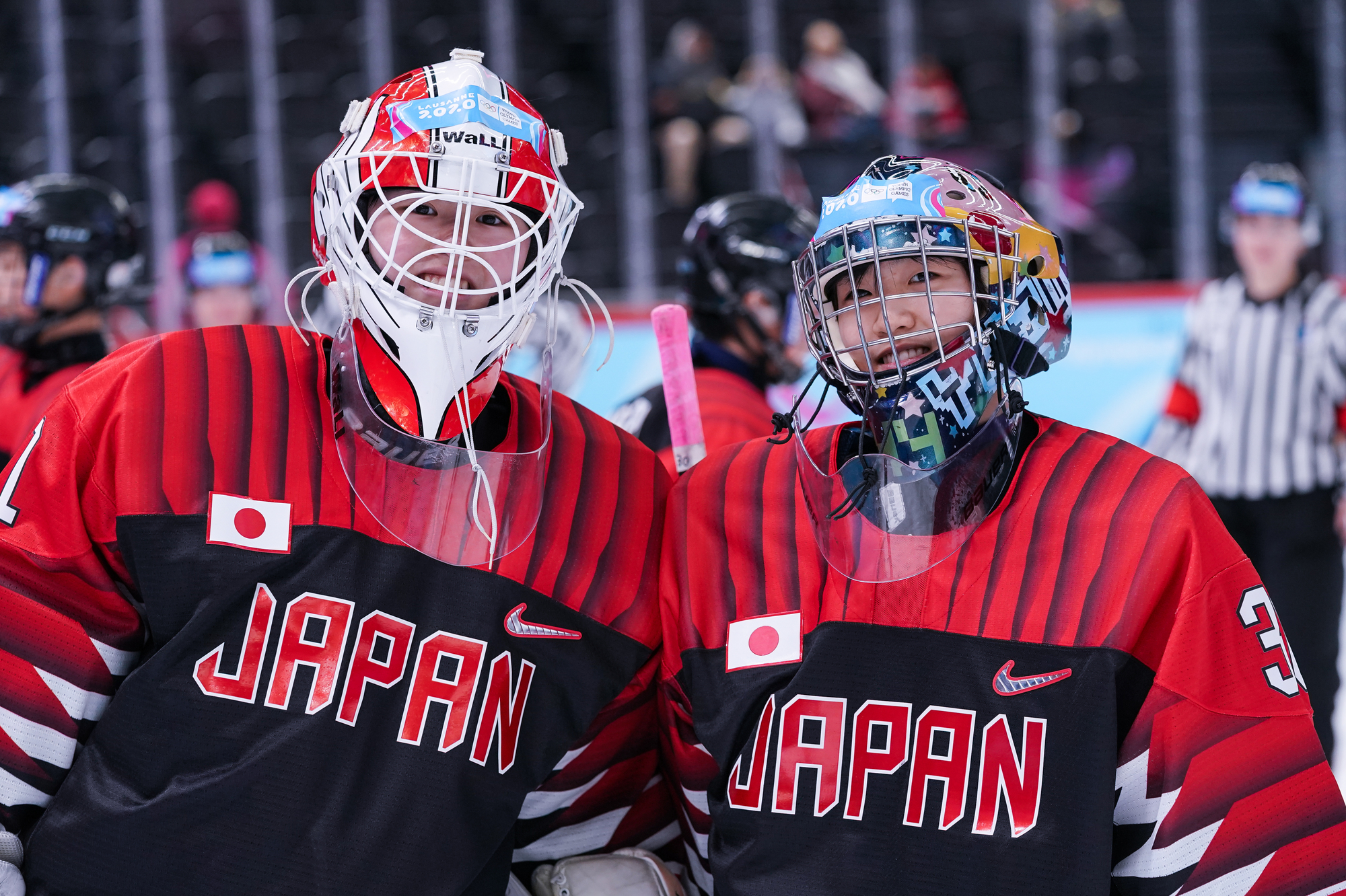