Russia rockets to final
Russian captain Ivan Miroshnichenko (right) and his teammates celebrate a goal against Finland.
photo: Vedran Galijas / justpictures.ch
share
Russia is rolling into the gold medal game after a 10-1 rout of Finland, to set up a clash with Team USA for the 2020 Youth Olympic Games men’s ice hockey gold medal.

Captain Ivan Miroshnichenko scored a hat trick as the Russians built up an early lead and dominate the game form end-to-end.

“It was good and emotional to make the final. We have to recover now and get ready for tomorrow’s game,” said Miroshnichenko. “We didn’t have an easy game. Finland was a good team and luck was on our side.”

Russia came into the game as the top-seeded team, playing with an aggressive forecheck and with a group of forwards that have been scoring at will during the preliminary round.

The Finns were in the underdog role coming in, and would need a great performance from goaltender Topias Leinonen to pull off the upset and get to the gold medal game. They were facing a Russian team that featured three out of the tournament’s top-five scorers, paced by Matvei Michkov, who had notched six goals in two games of the preliminary round.

The Russians got on the board first, shaking off an early penalty and going up 1-0 as Ilya Kvochko took possession at the Finnish blue line, skating down to the left circle and centering the pass to Ilya Rogovski for the score.

Russia struck again with just under six minutes remaining. Vyacheslav Malov made a cross-ice pass from the neutral zone to Nikita Ryzhov waiting just inside Finnish blue line. Ryzhov timed a perfect pass to a streaking Ruslan Gazizov coming into the Finnish zone. Gazikov then made a great backhand shot that beat Leinonen high on the short side to put Russia up 2-0.

Finland looked to get back into the game on a late powerplay, but instead it was Russia getting another goal on a 2-on-1 score by Miroshnichenko for the short-hand goal.

The Finns didn’t do themselves any favours in the second period, taking a checking from behind penalty and giving up a power play to goal Michkov for his seventh of the tournament.

A ten-minute misconduct penalty for checking from behind led to a Finnish goal, as right after Russia killed the penalty Finland’s Jere Lassila gained possession at center ice, took the puck into the zone and passed it off to Joakim Kemell, who rifled a shot straight into the top corner to give the Finns life.

But the Russians answered as Kvochko on another 2-on-2 scored his second of the game to go up 5-1. A sixth goal late in the third on a one-time shot by Ivan Miroshnichenko, and the rout was on. The Russians would add four more as the team rolled on to face the Americans in the final.
Russia vs. Finland (SF) - 2020 Youth Olympic Games (Men) 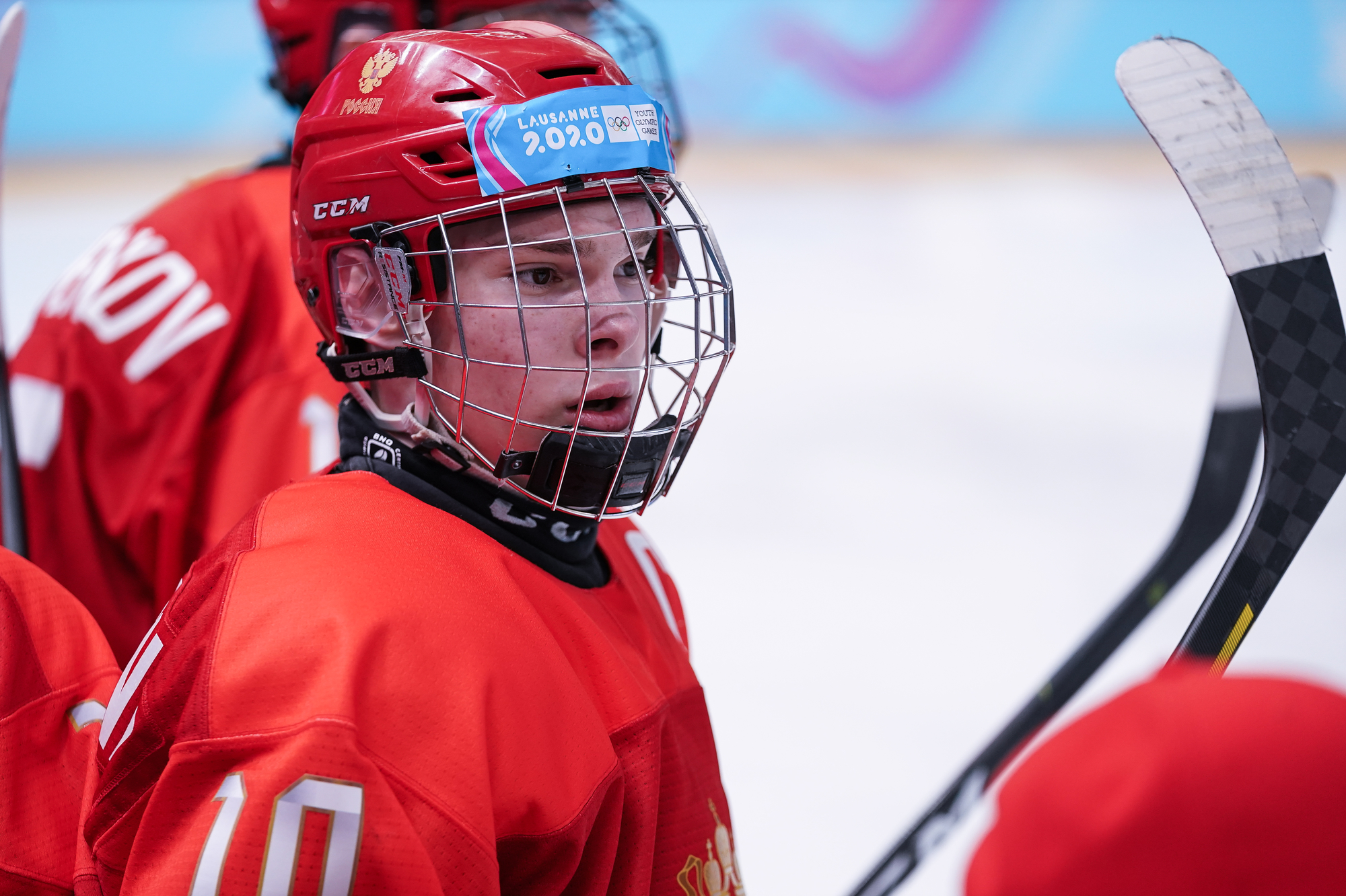 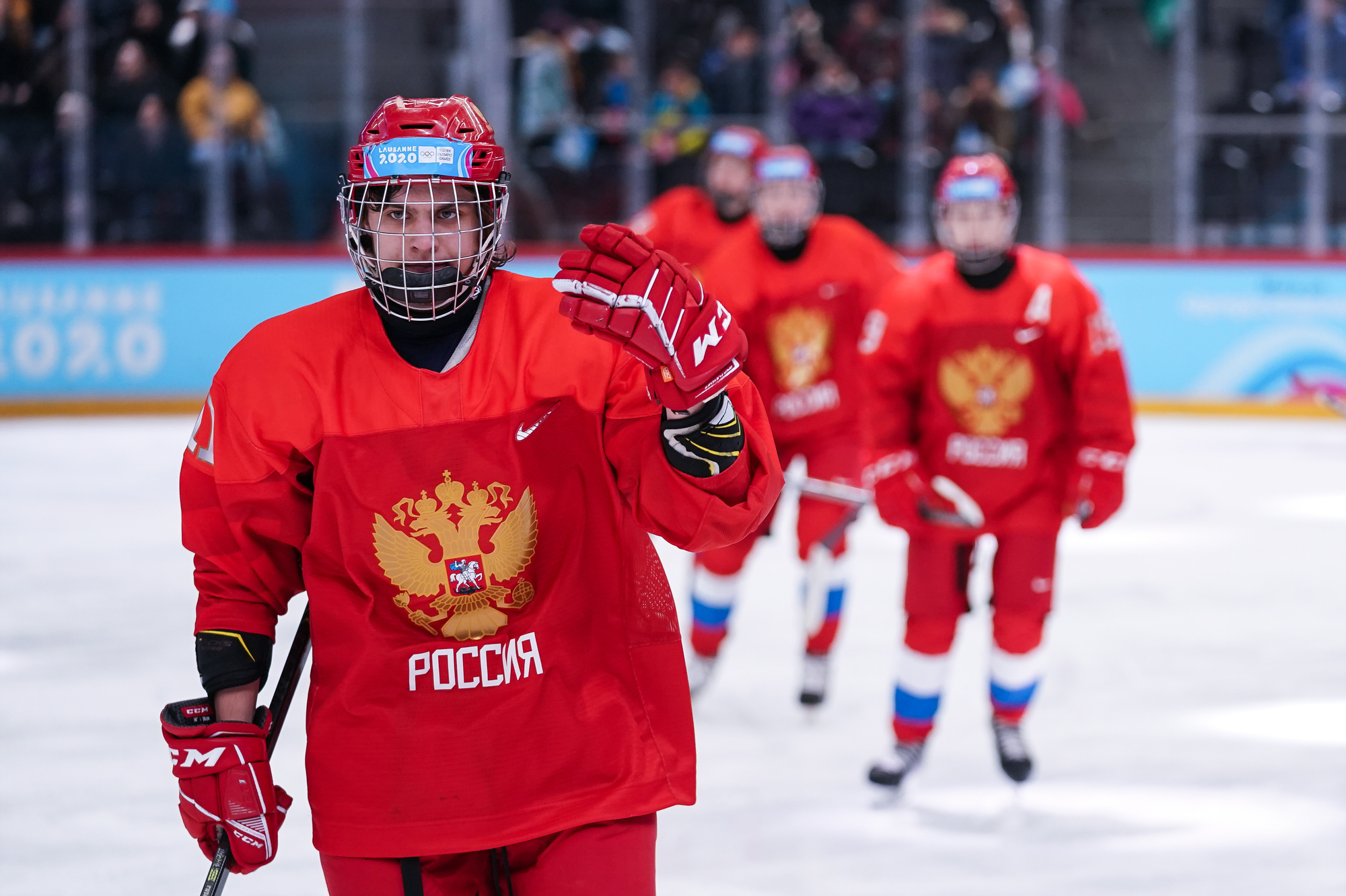 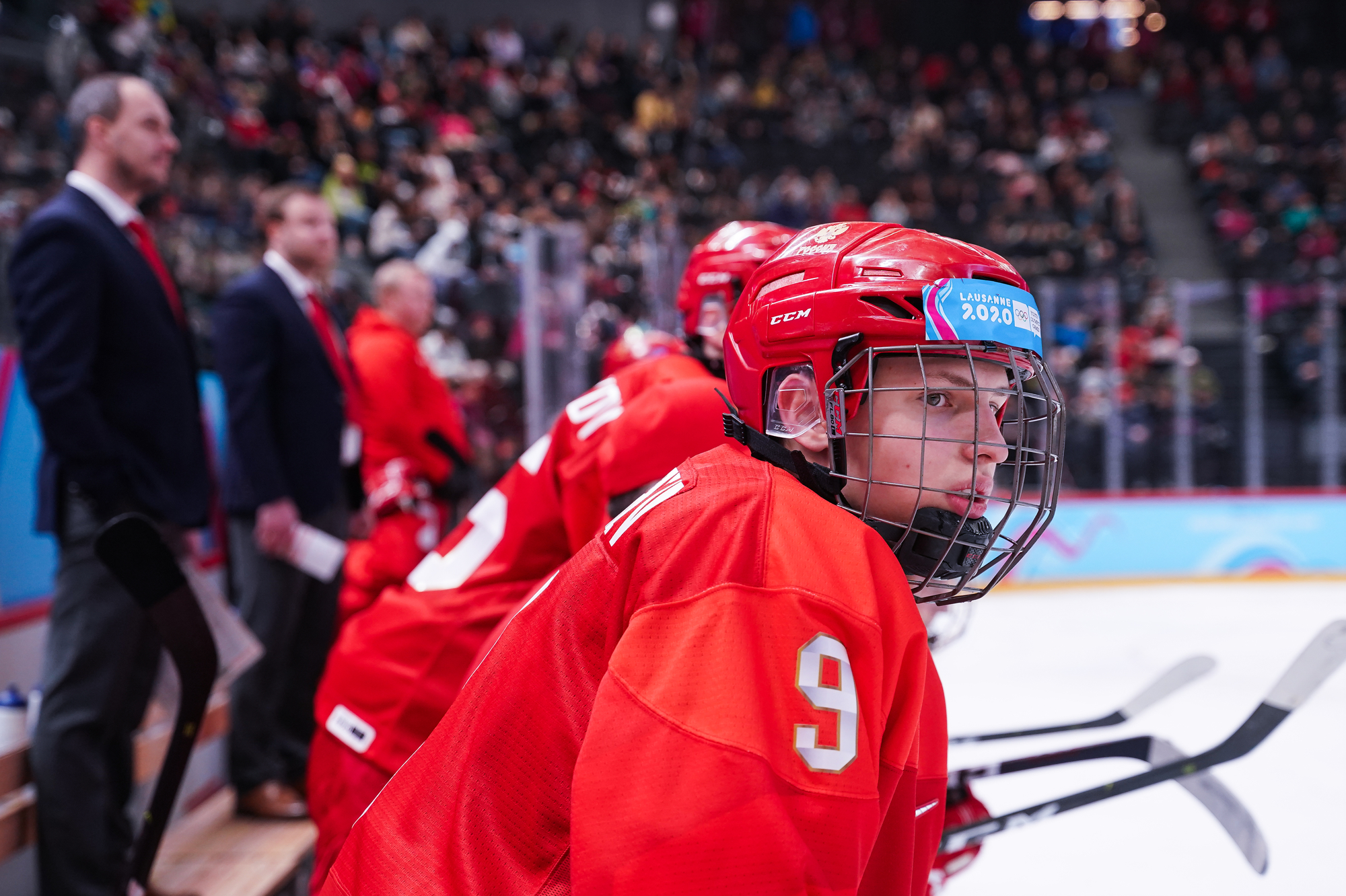 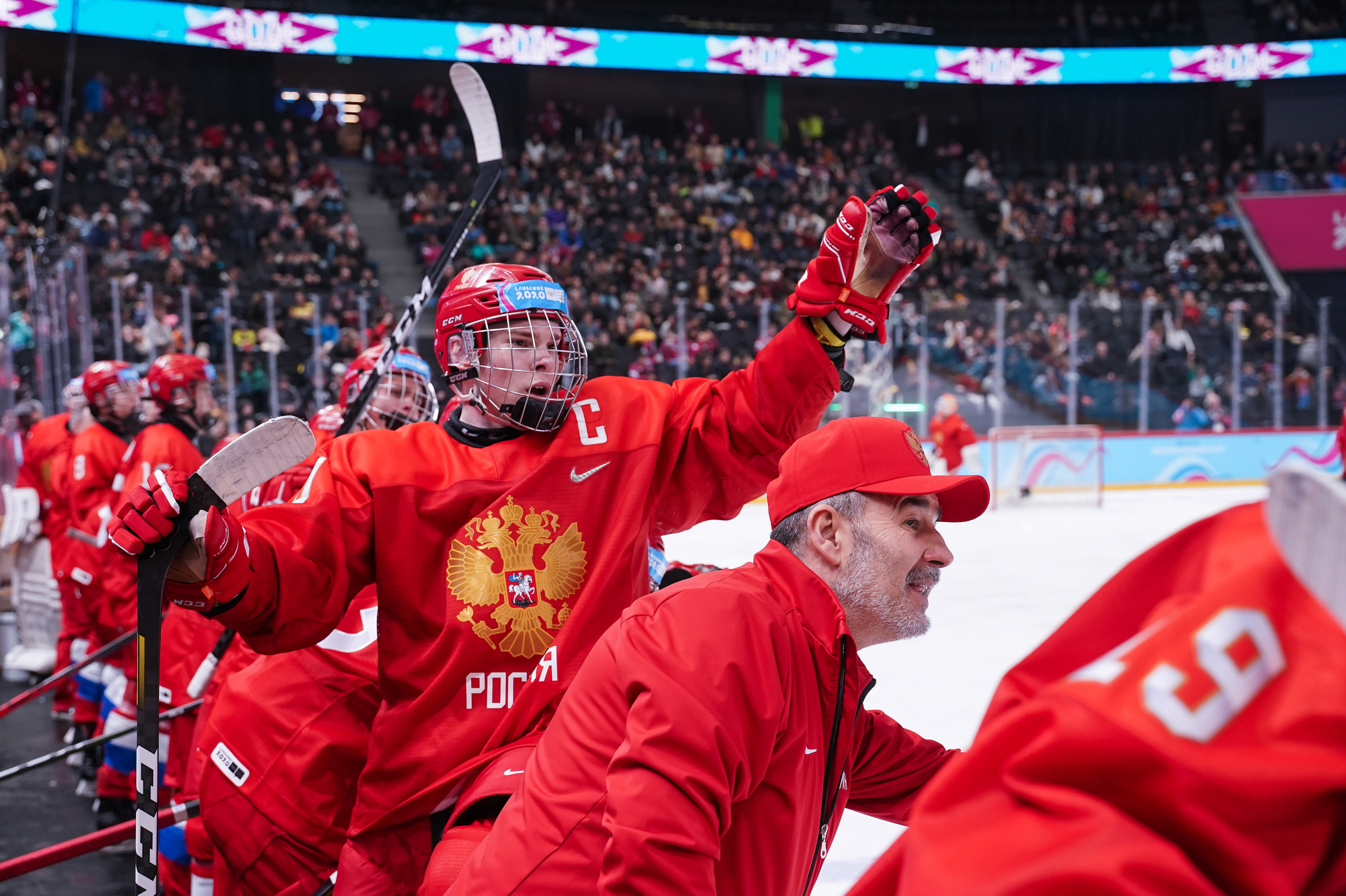 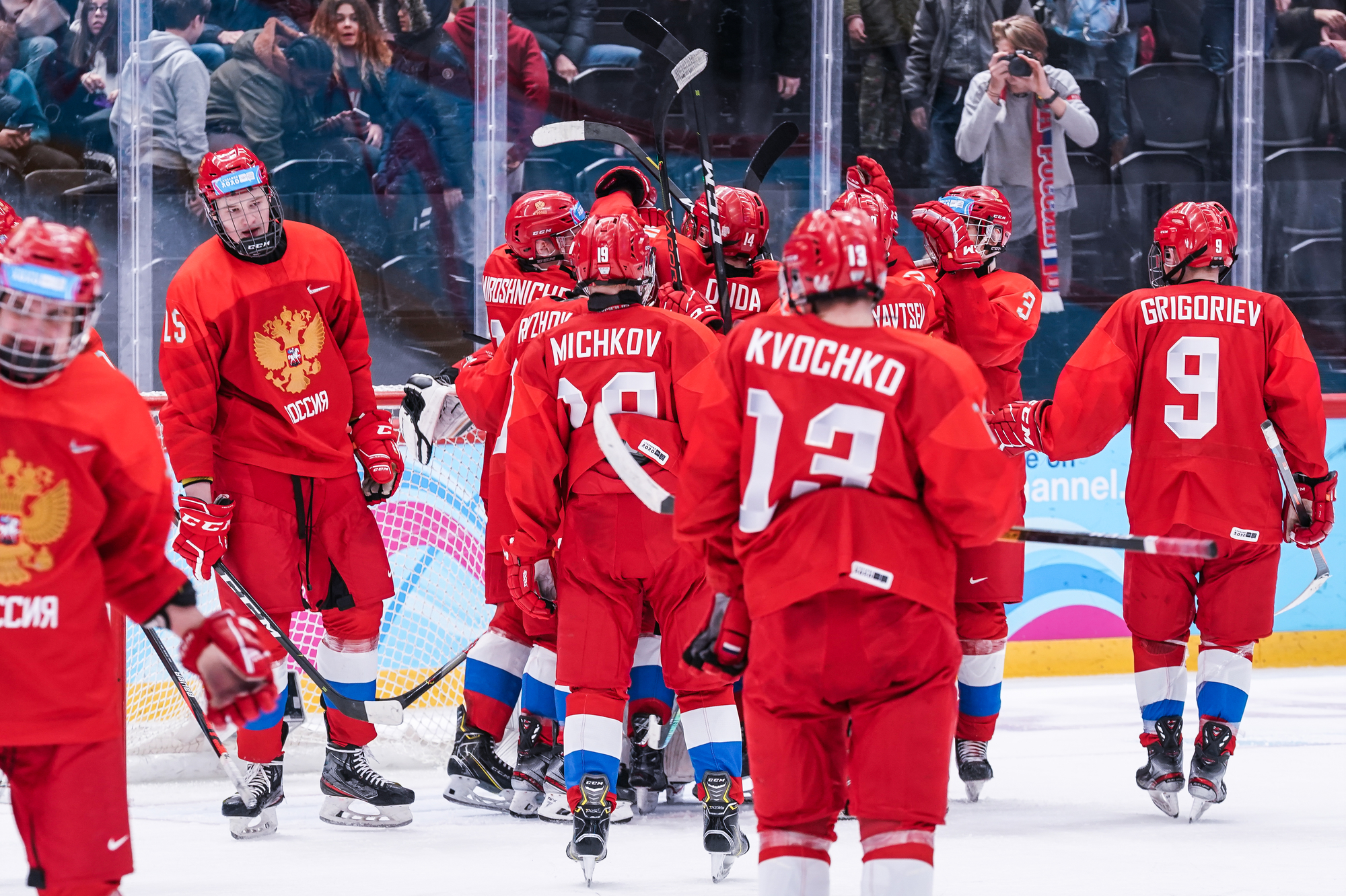 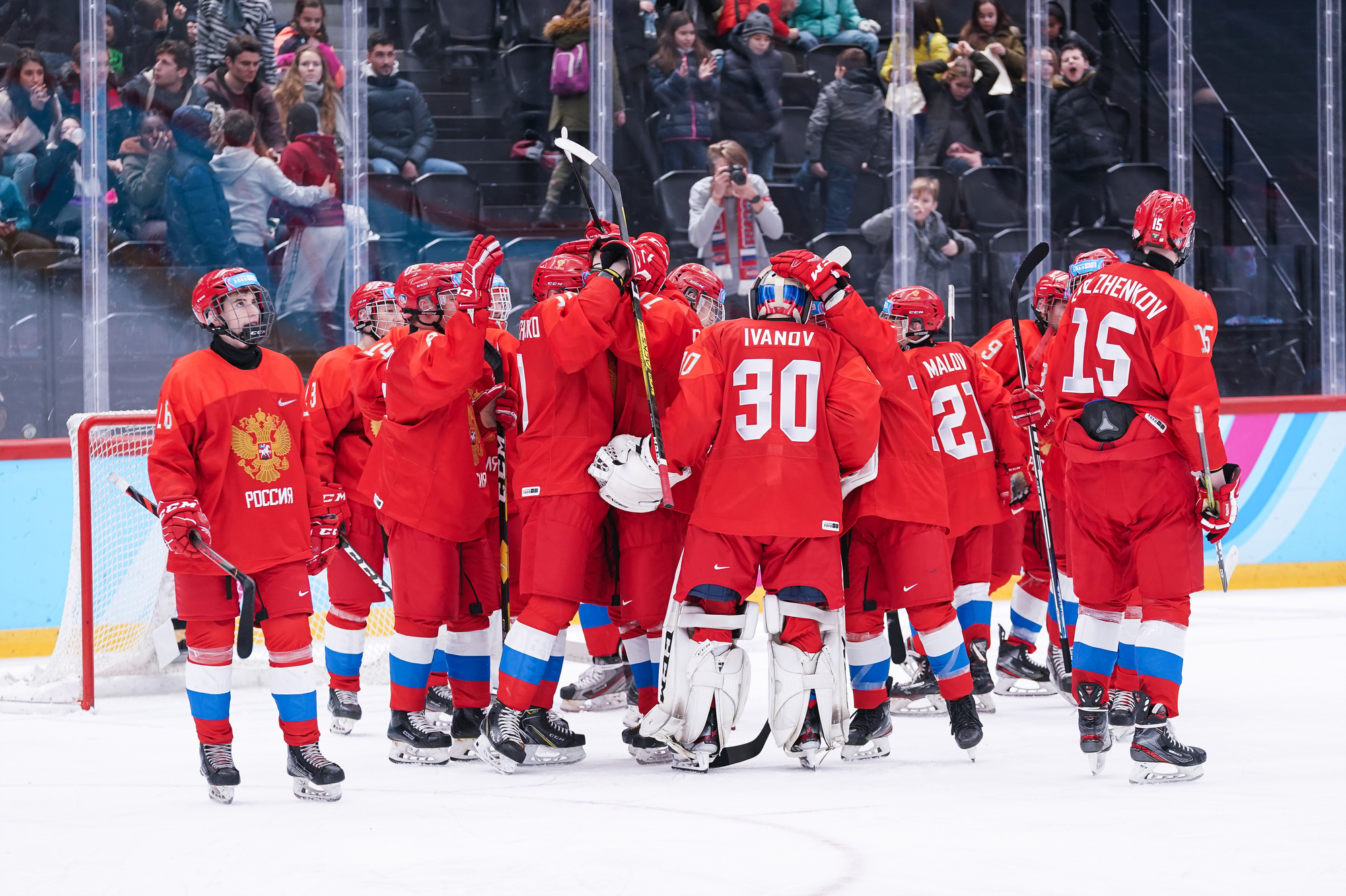 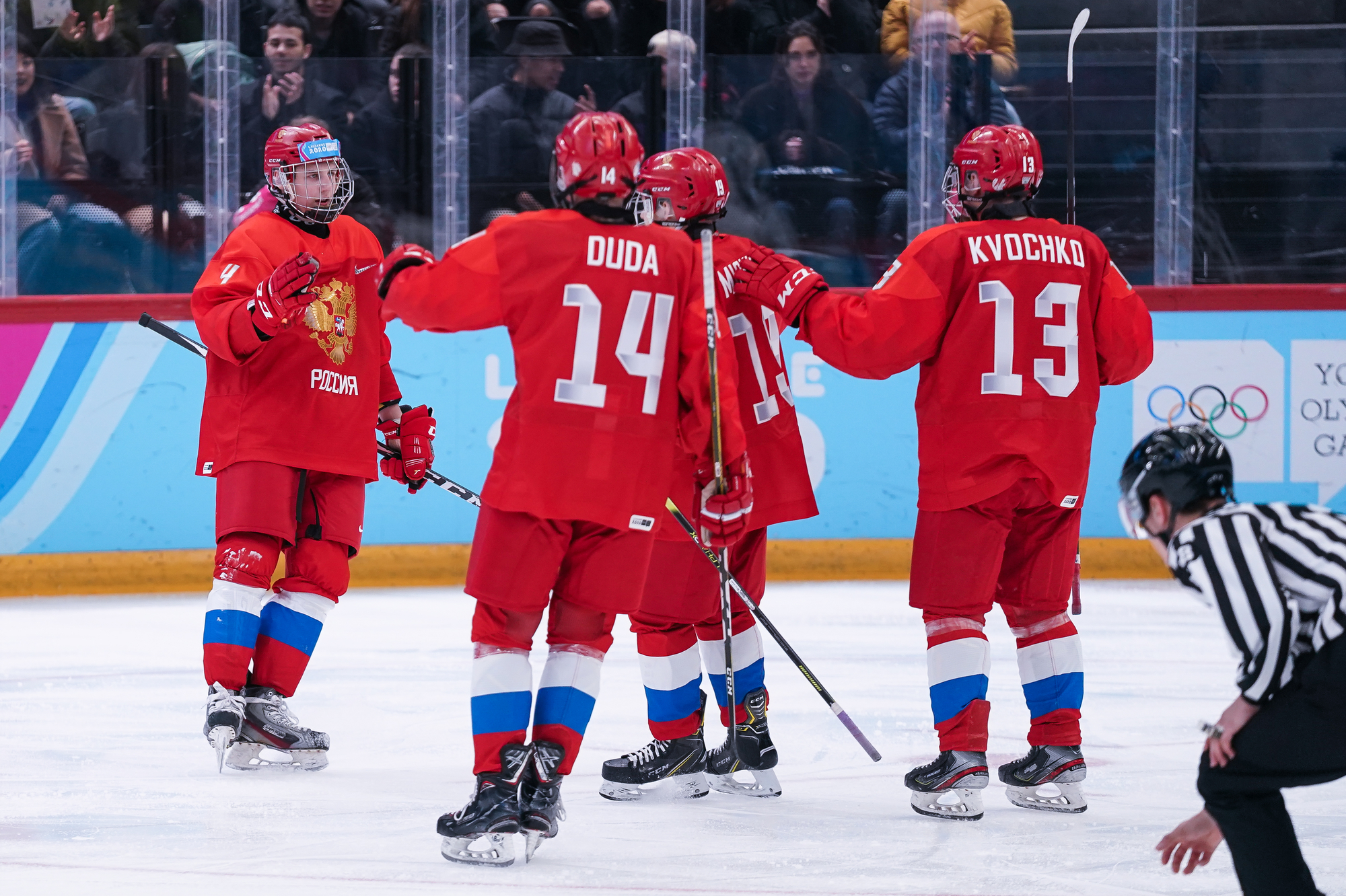 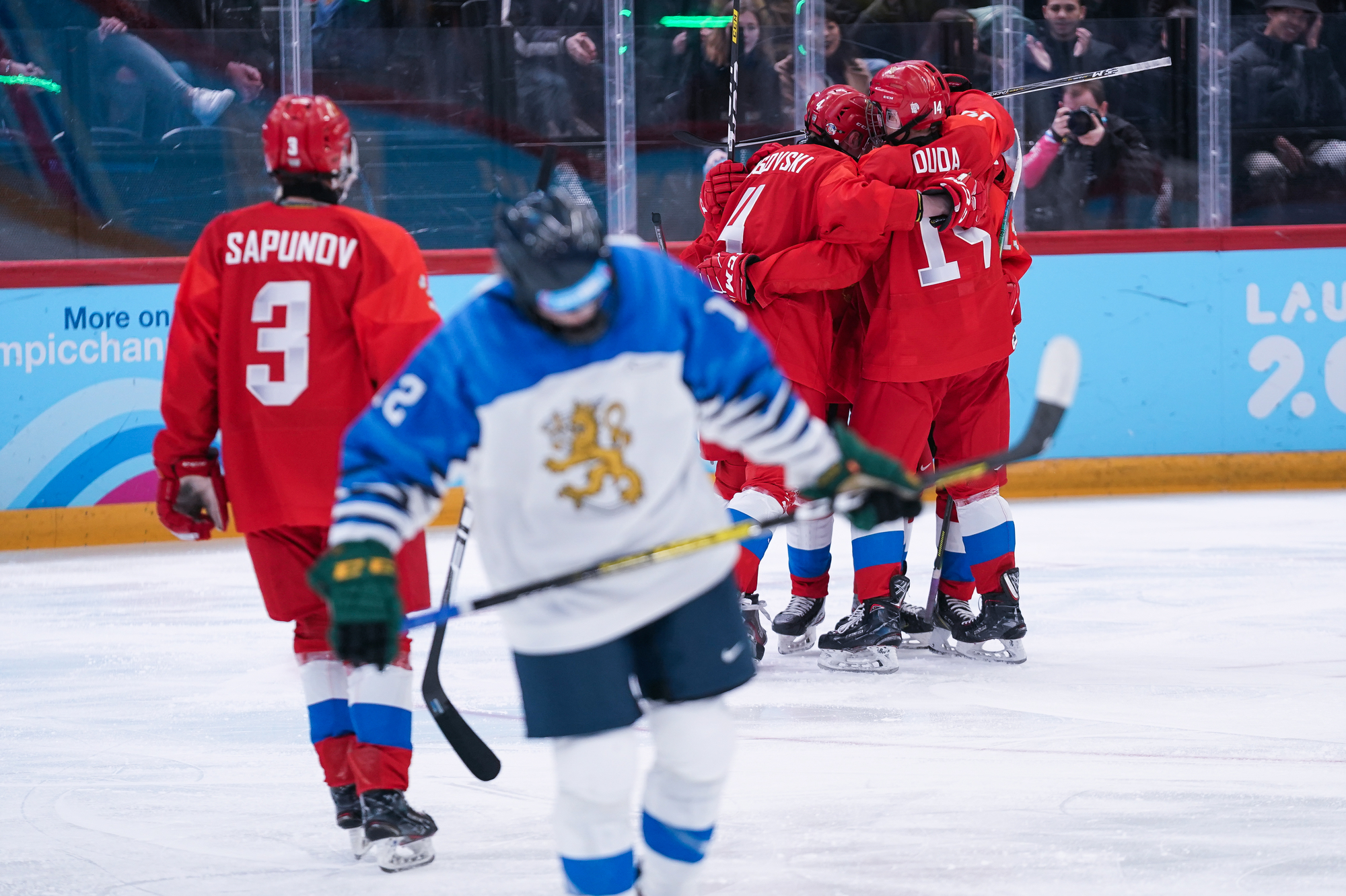 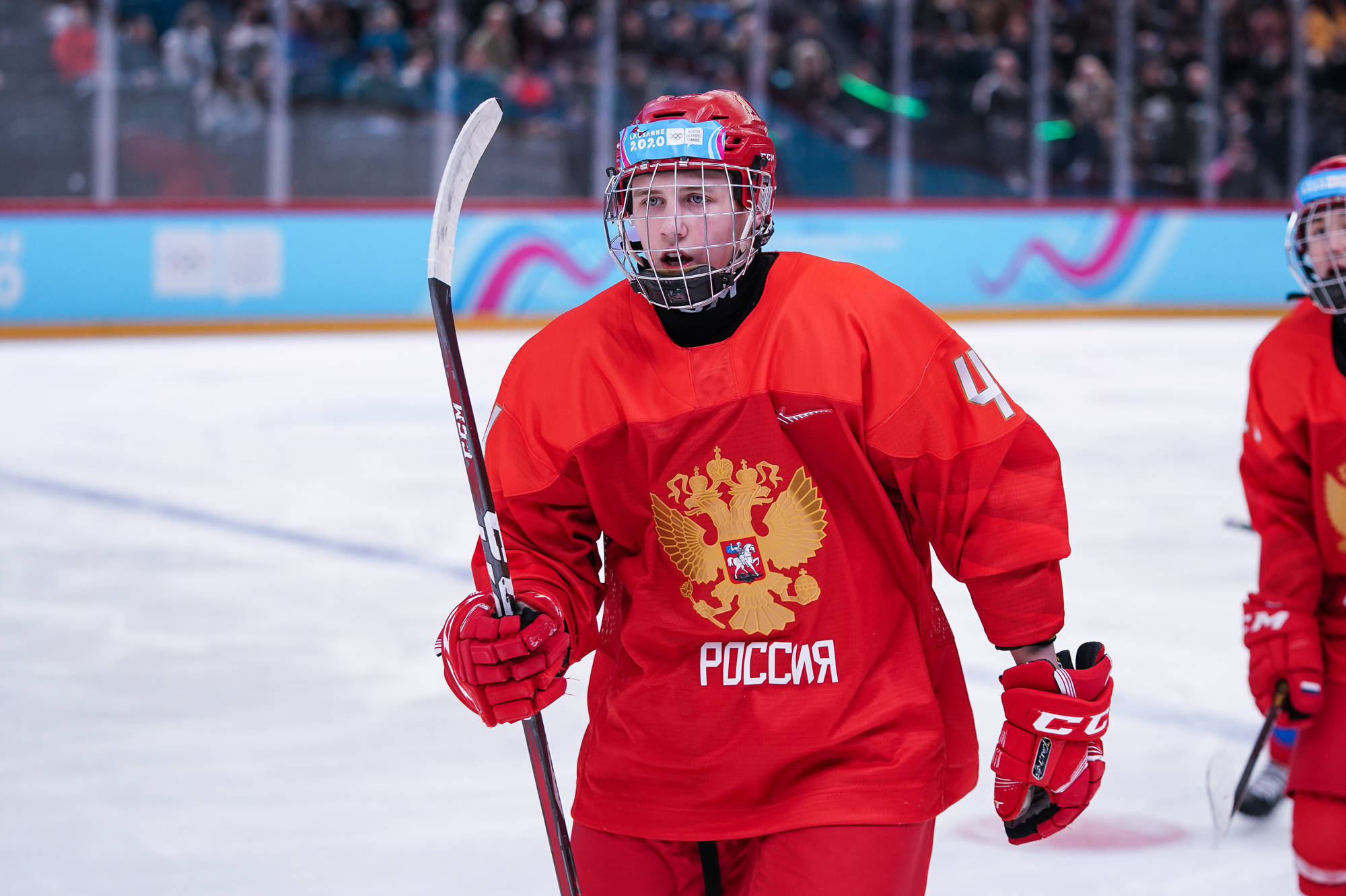 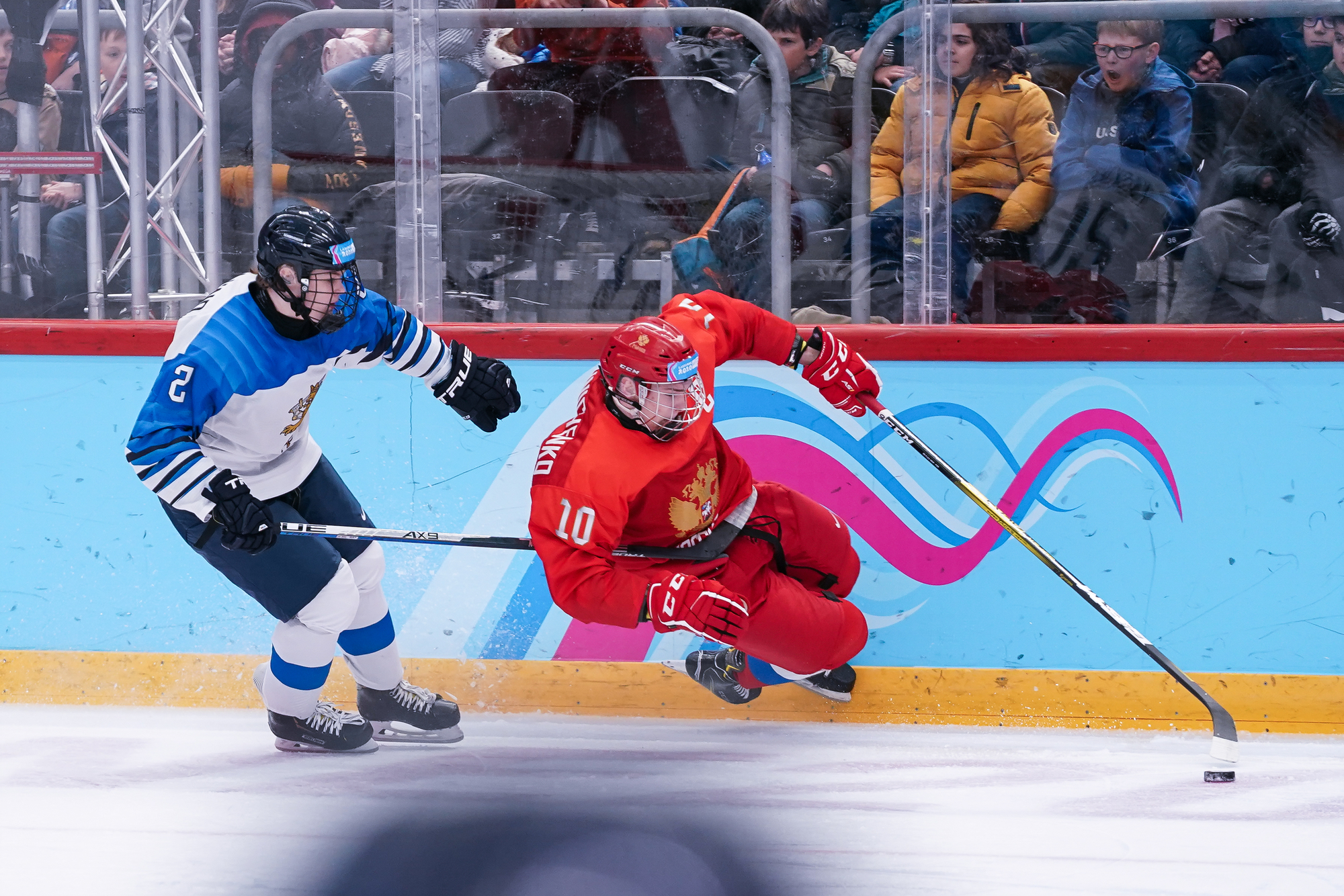 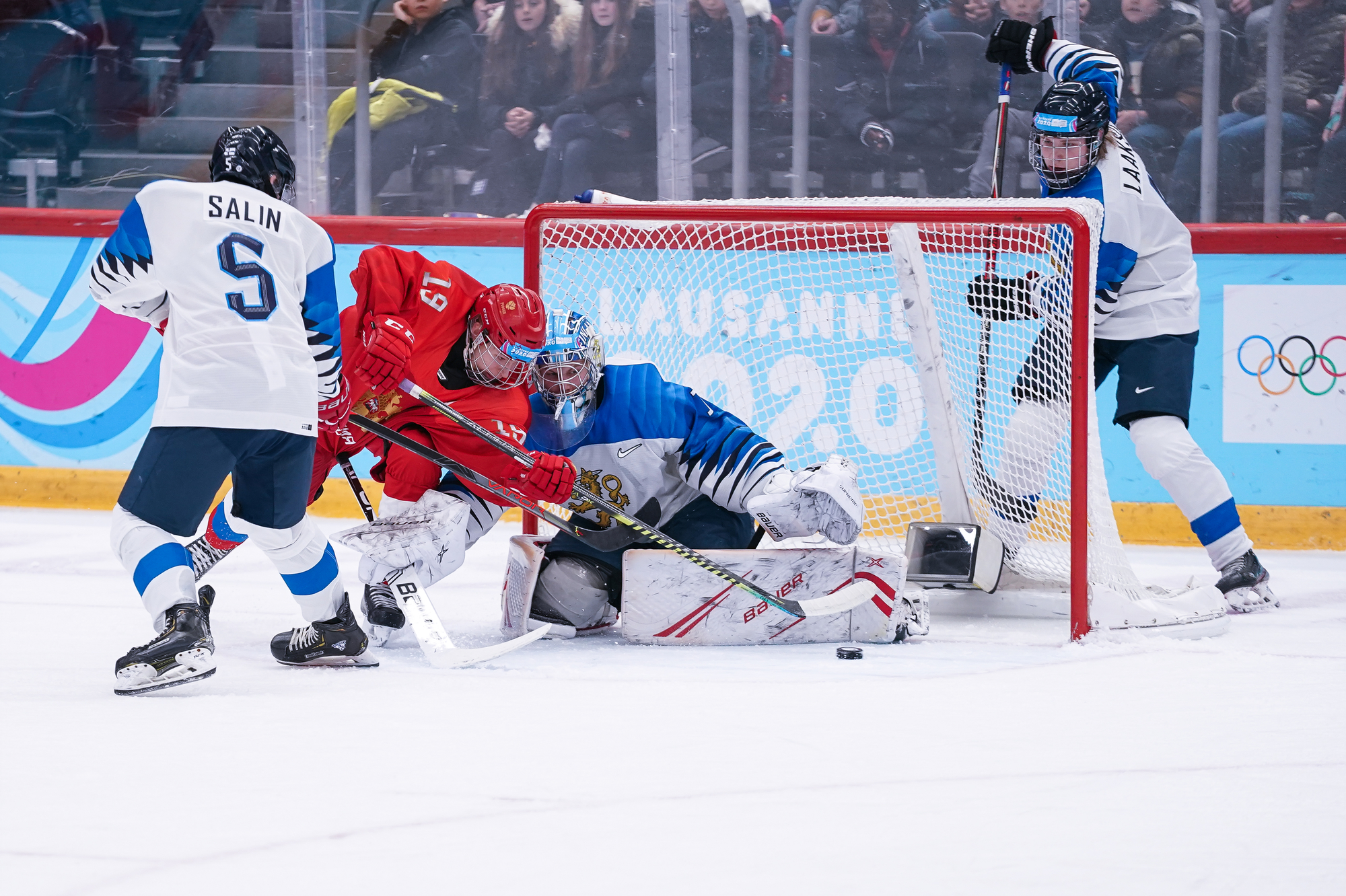 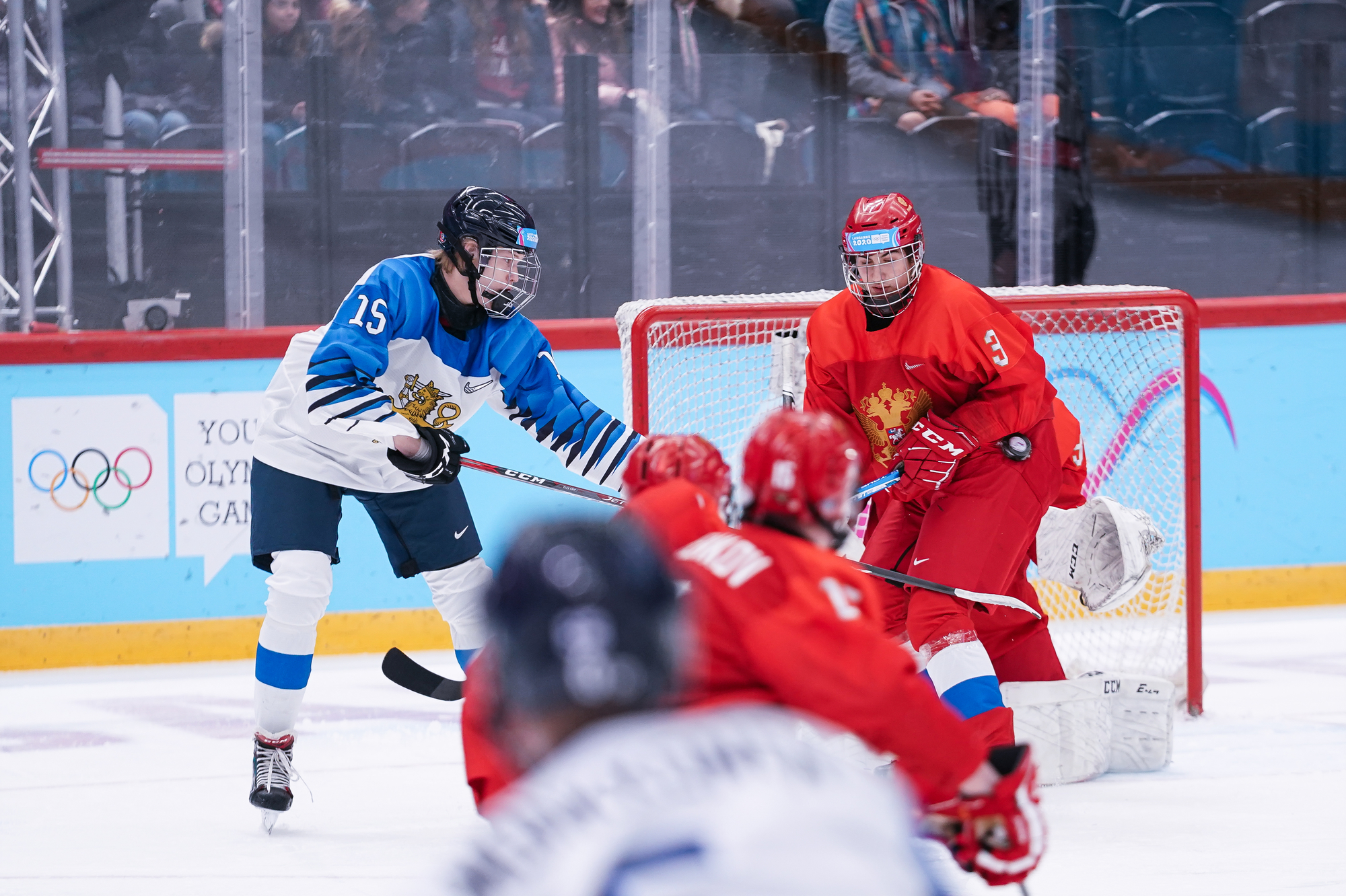 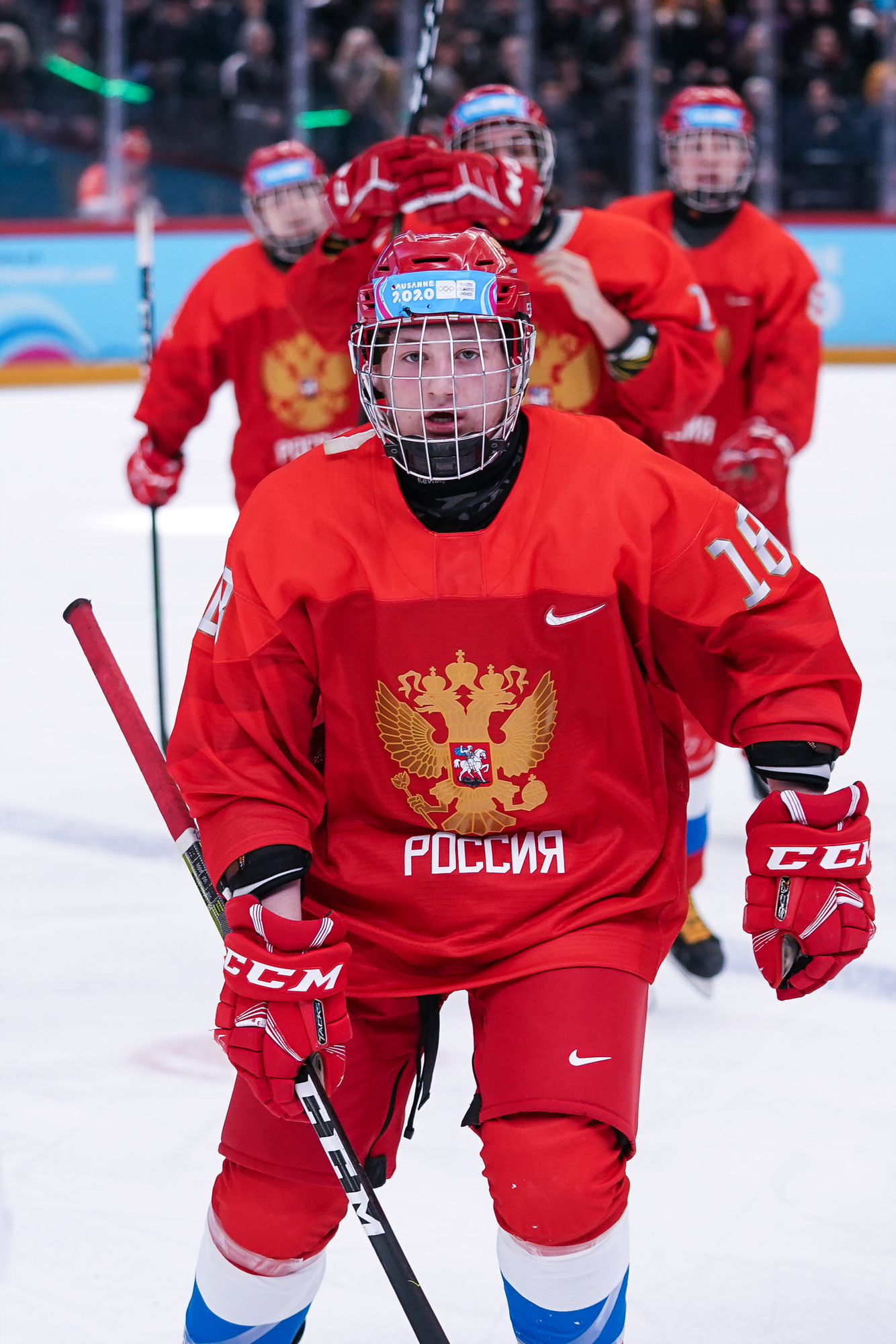 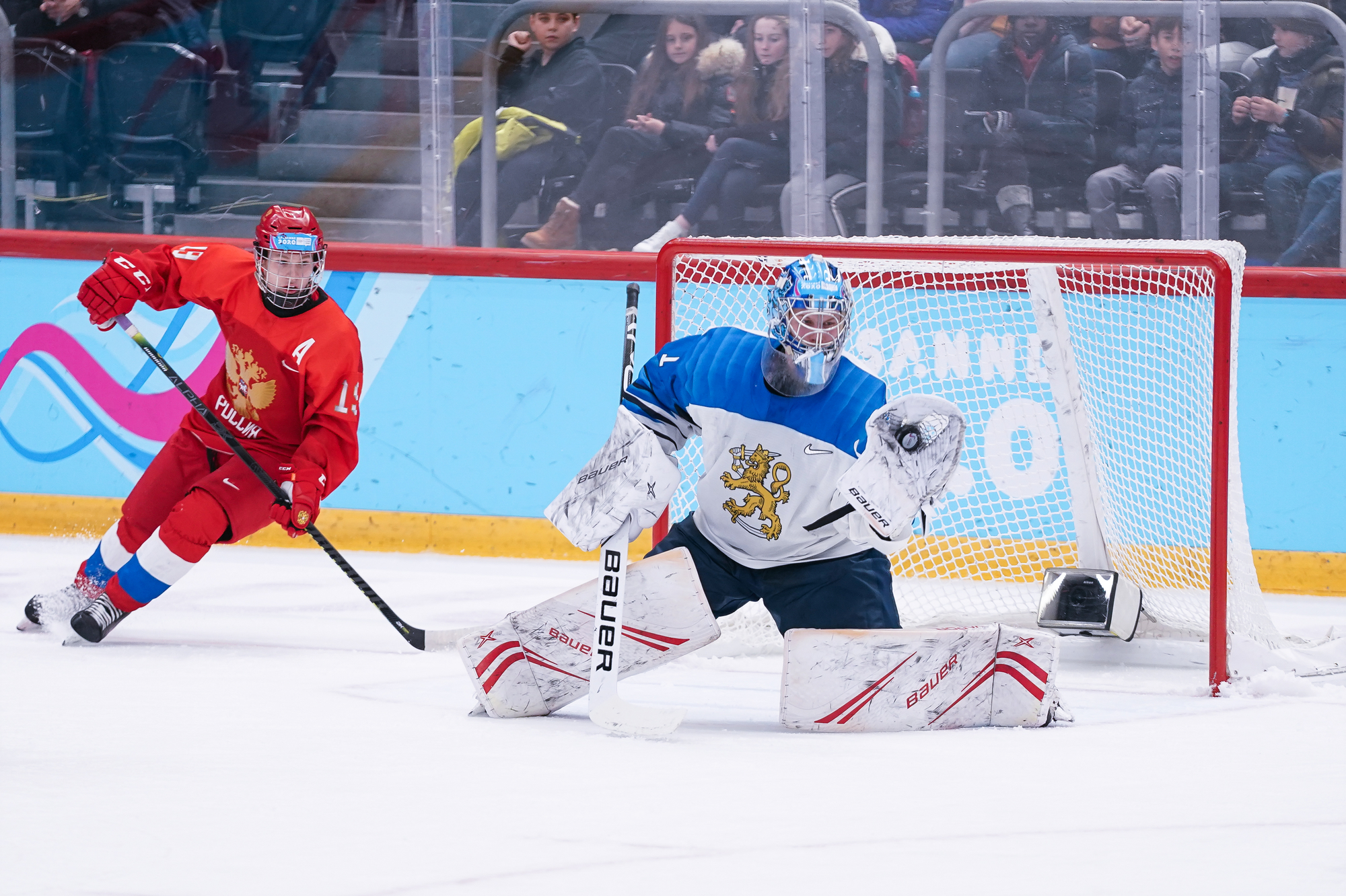 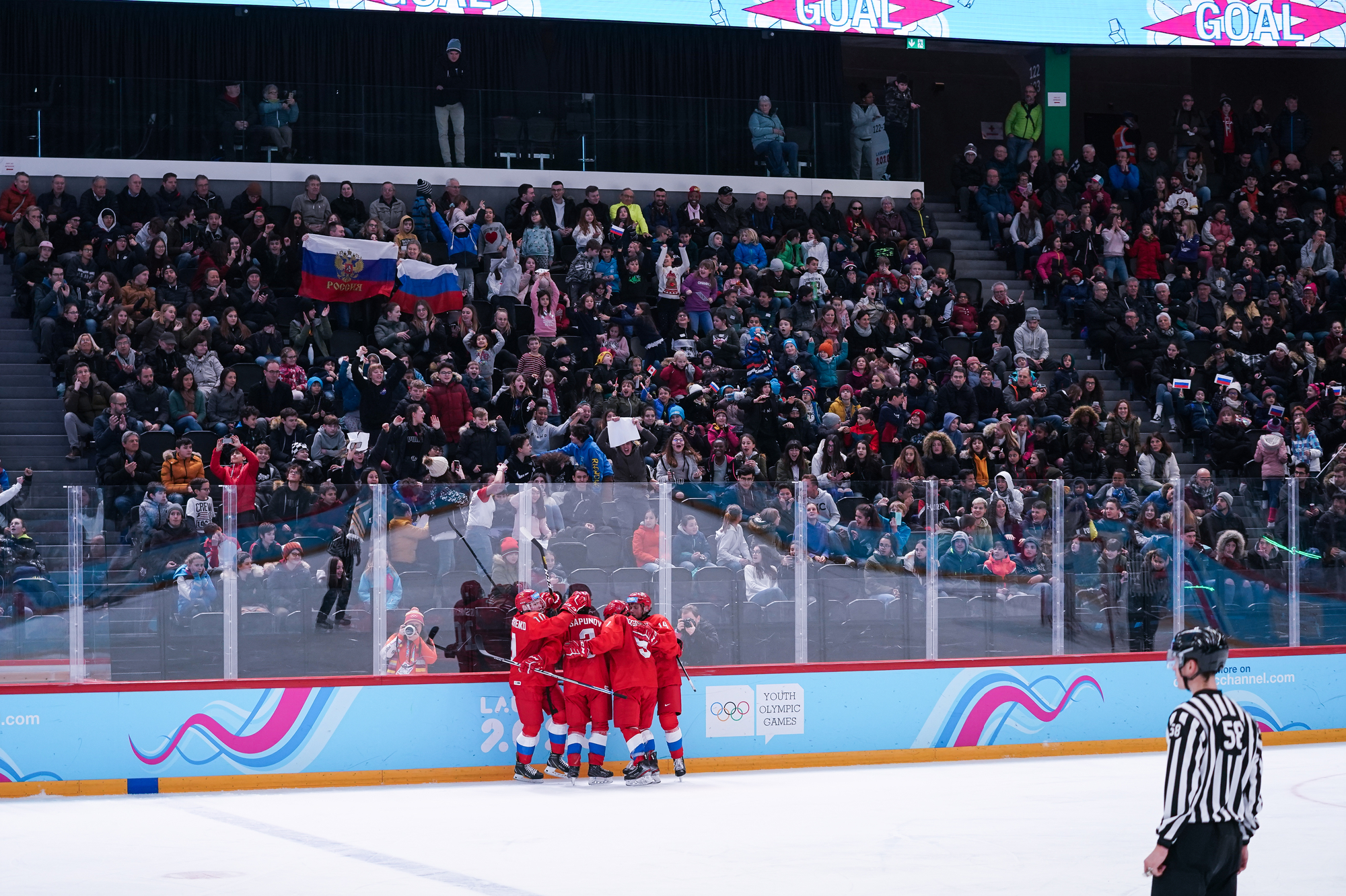 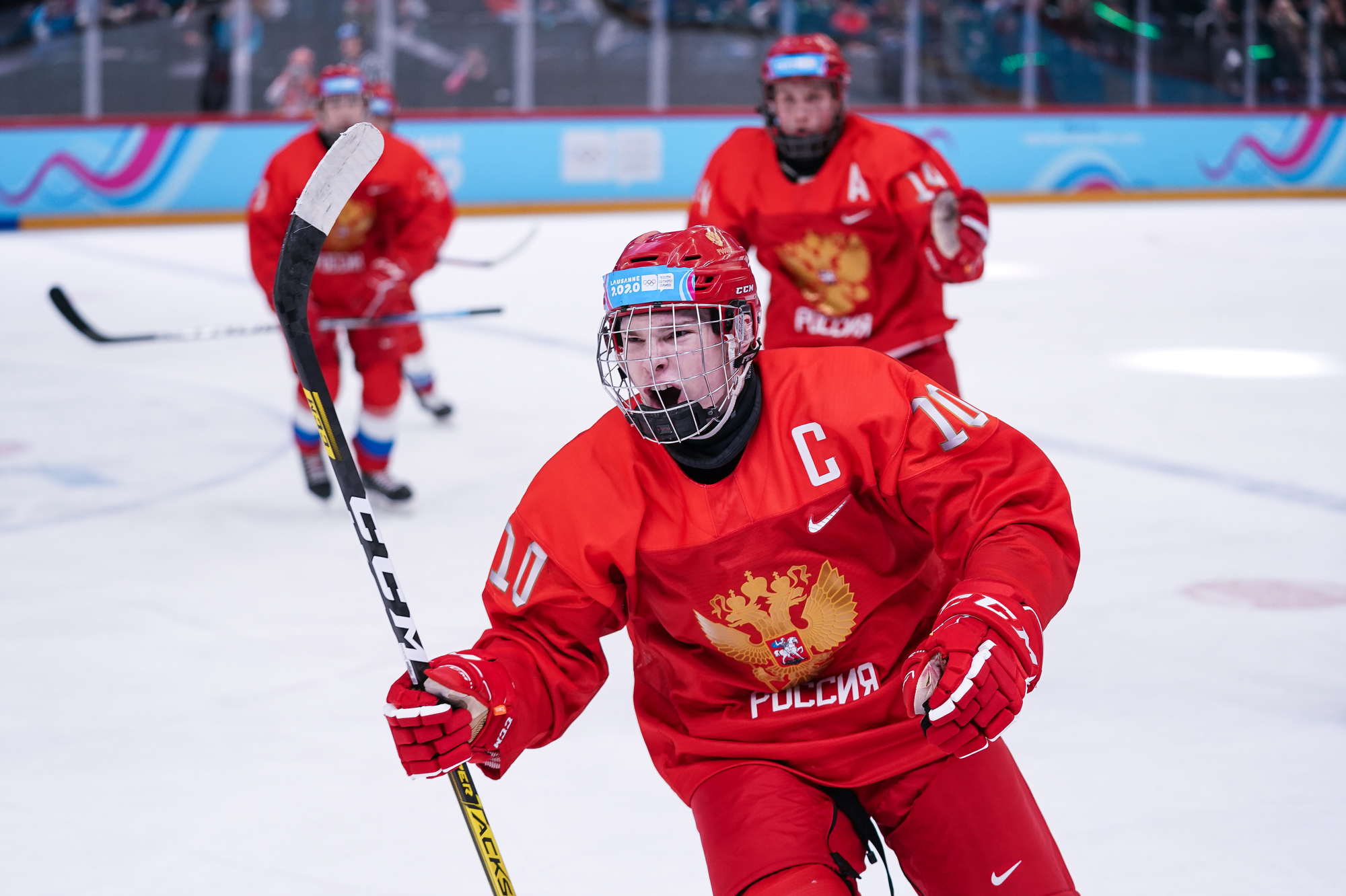 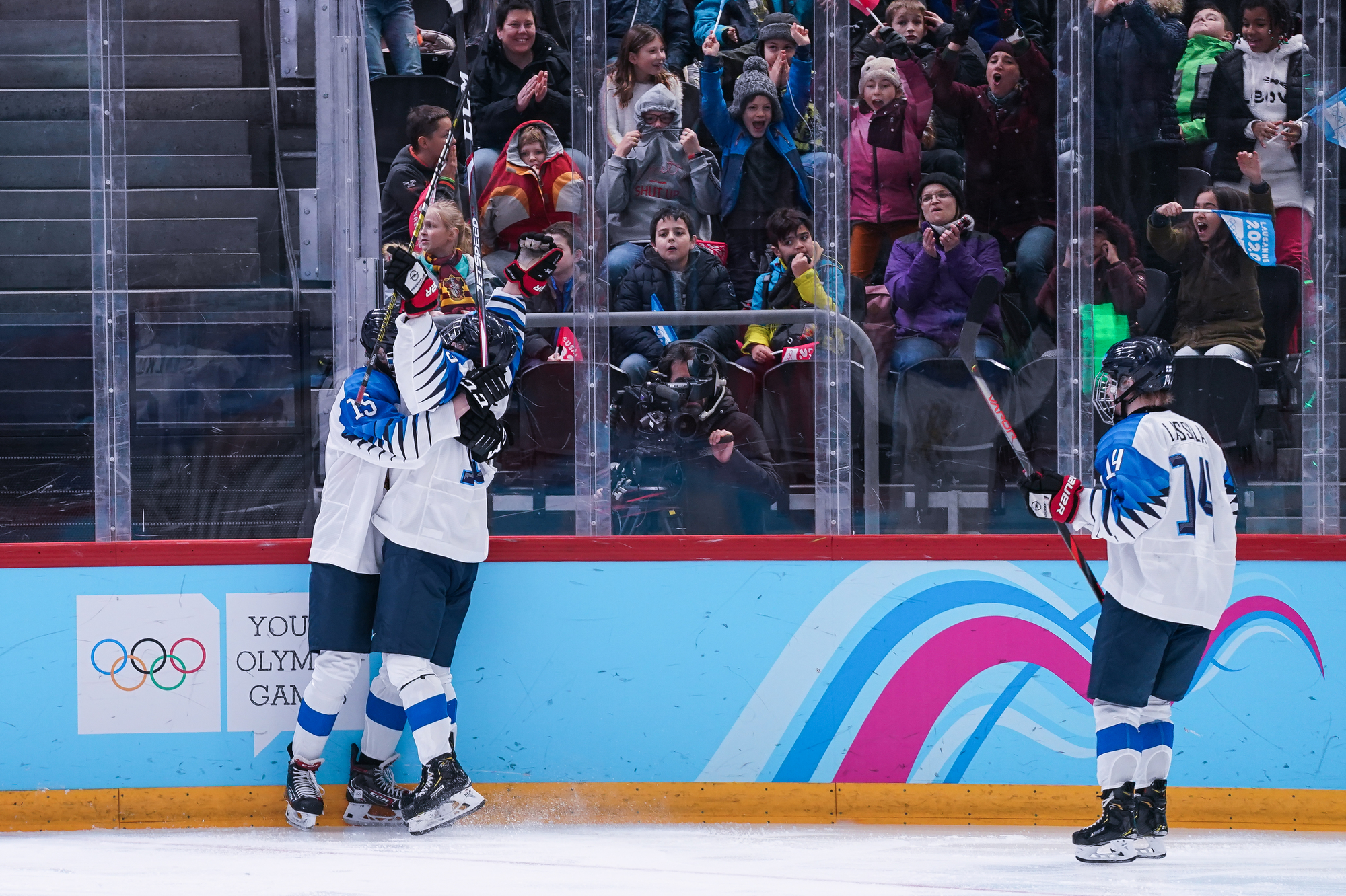 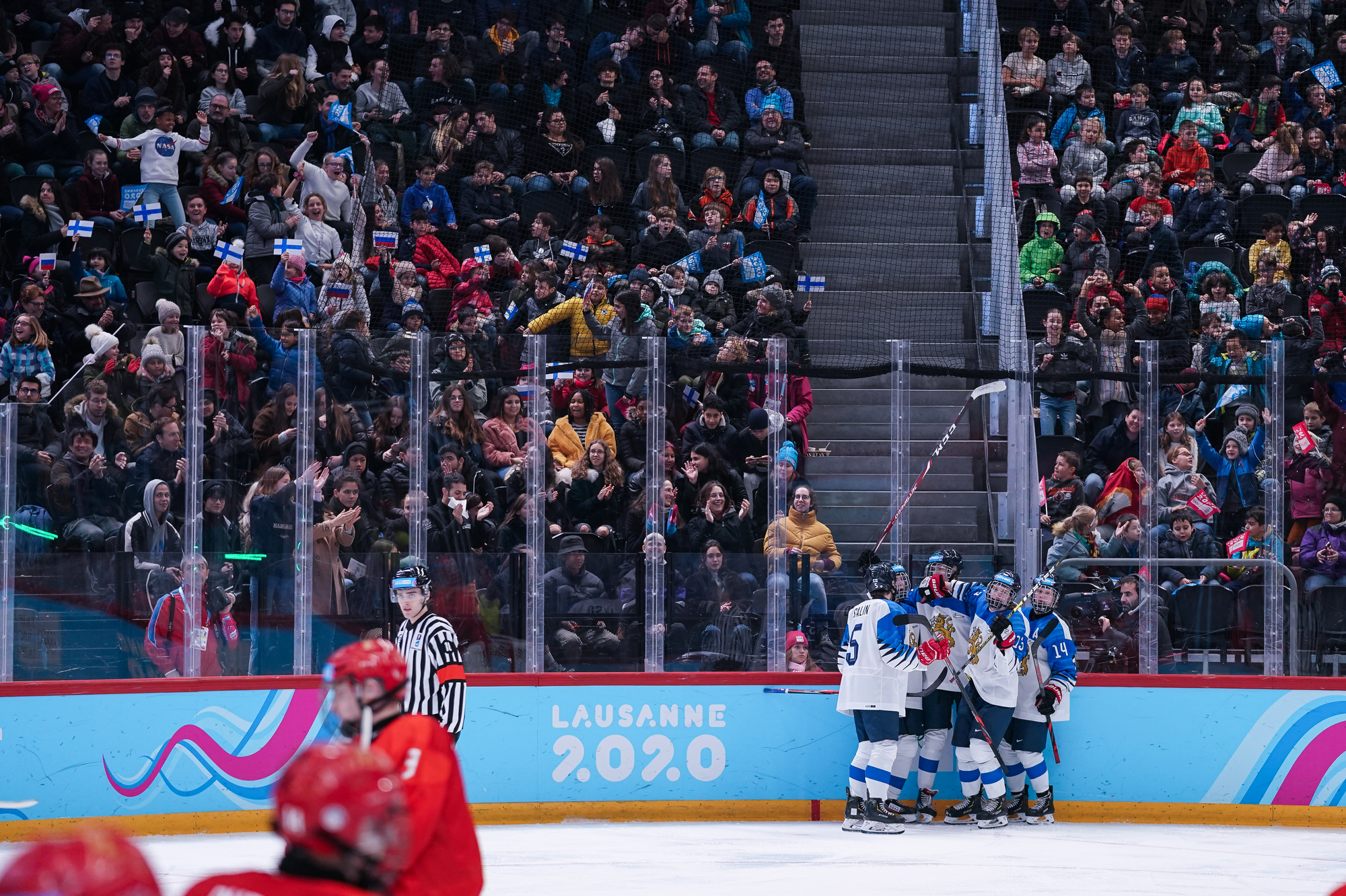 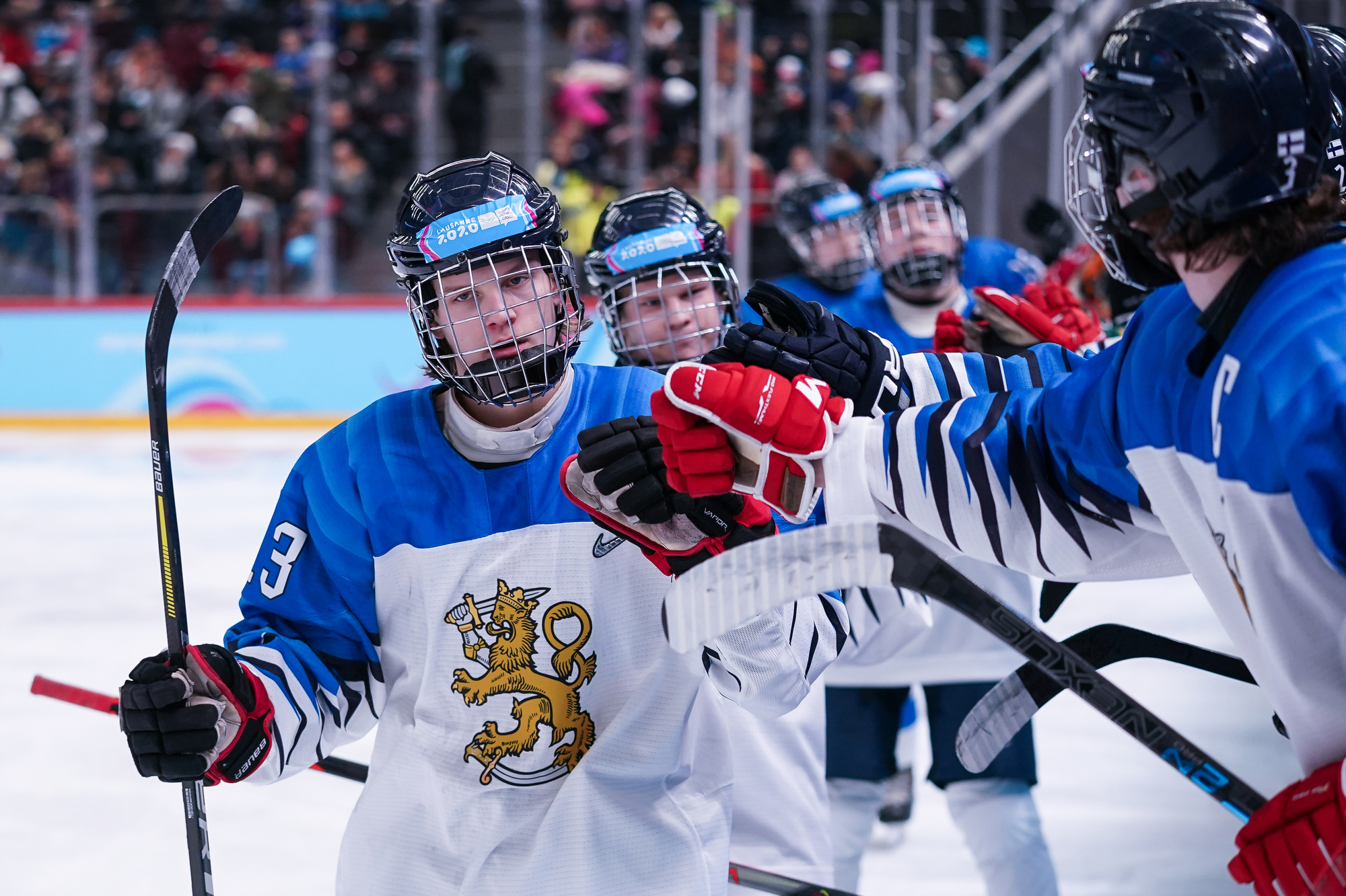 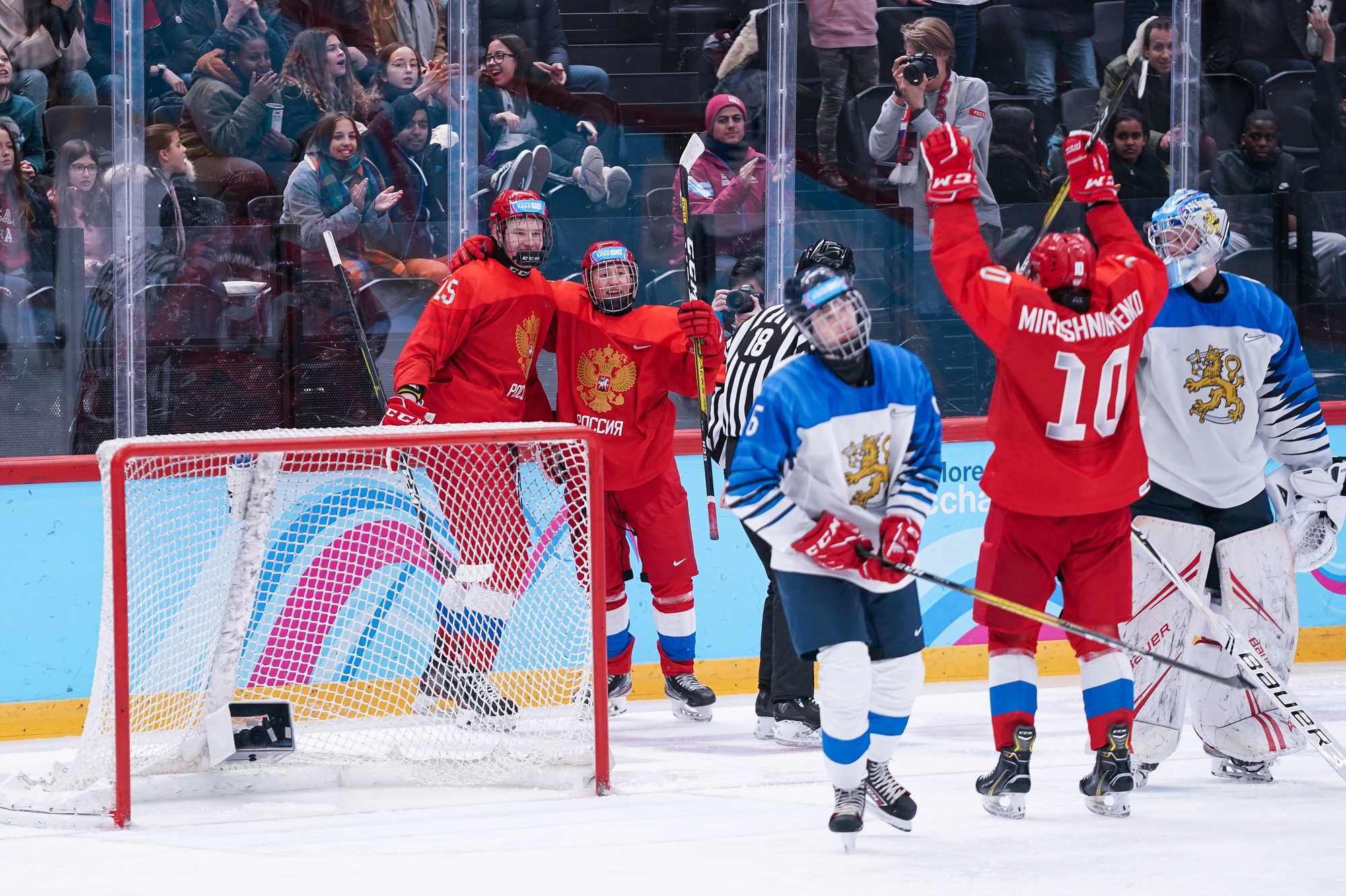 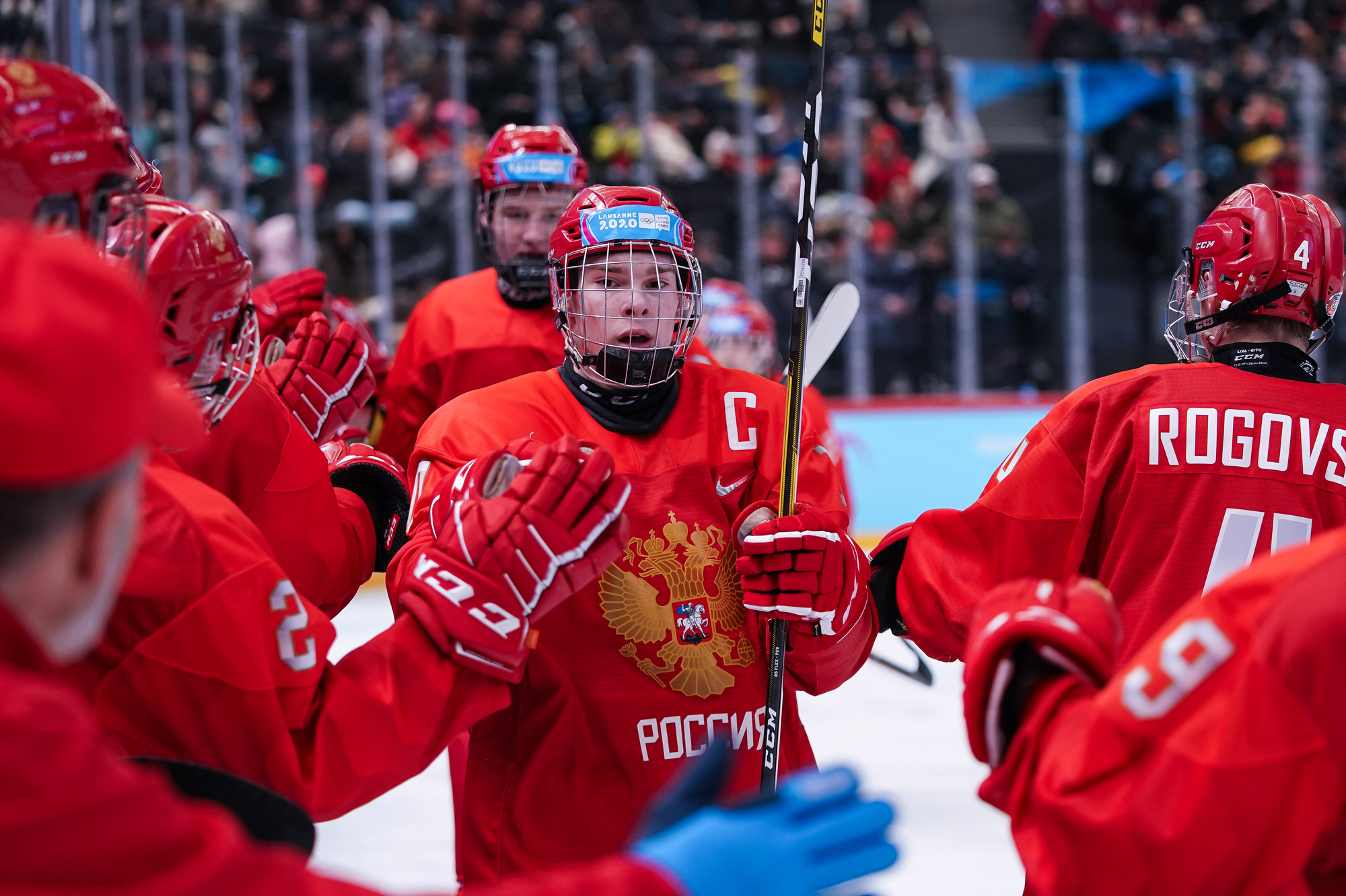 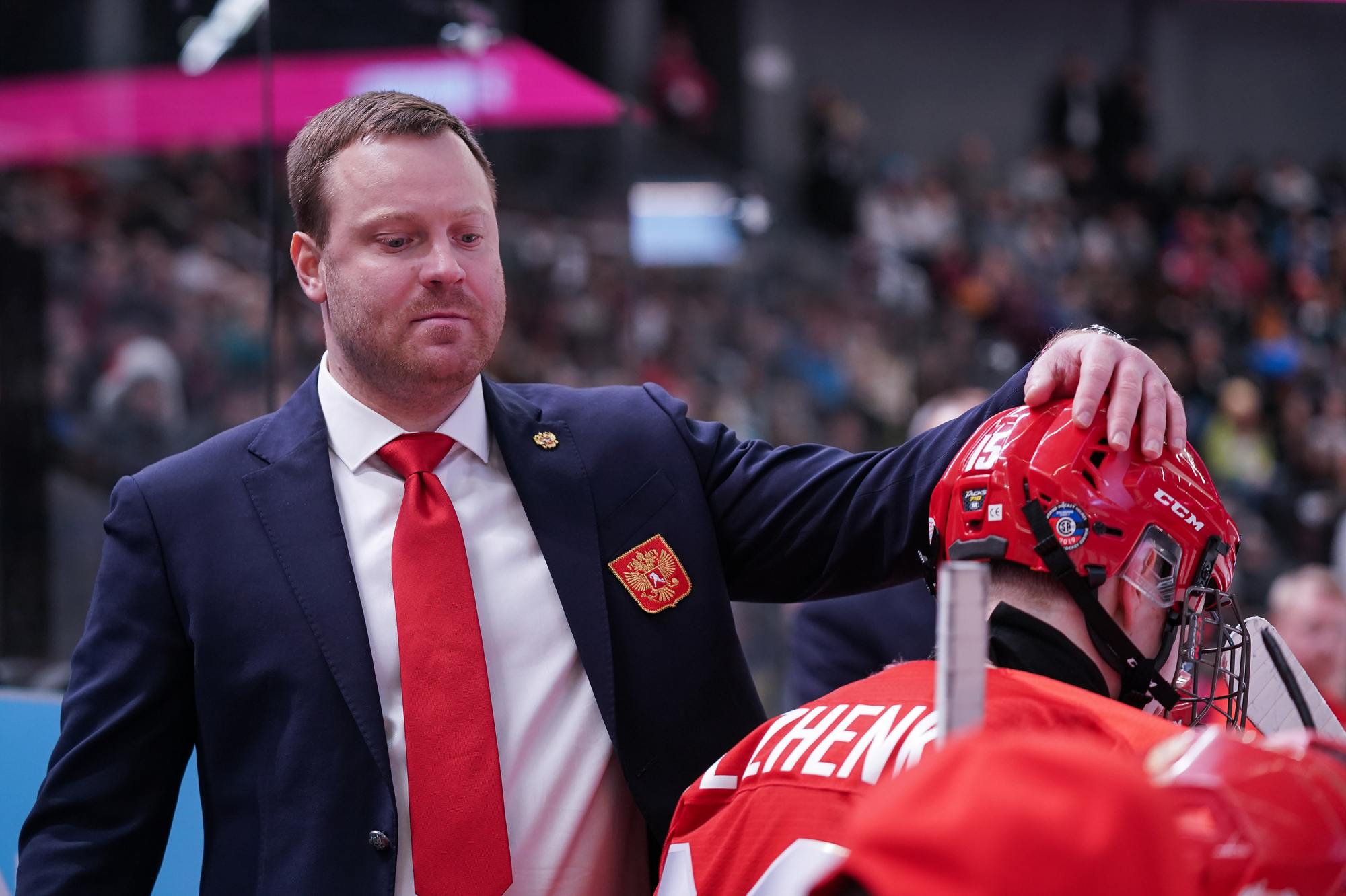