Czechs open with win over Germany
The Czech Republic outpaced Germany 3-1 in their 2021 U18 Worlds opener with a strong two-way effort in Frisco, Texas on Monday.
photo: Chris Tanouye / HHOF-IIHF Images
share

The Czech Republic opened the 2021 IIHF Ice Hockey U18 World Championship with an important 3-1 win over Germany at Frisco's Comerica Center on Monday.

"I think it was a very important game for us," said Czech captain Jakub Sedivy. "We won, and that's a nice step in this tournament. We had good offence and a nice back-check."

In their respective U18 debuts, German goalie Nikita Quapp got more chances to show off his skills than his Czech counterpart Tomas Suchanek. Shots favoured the Czechs 40-19. The Germans mounted a late push, but simply ran out of time.

"It was a hard game for me with a lot of shots, but it was also kind of easy because I was always in the game," said Quapp. "I think it was not a bad game."

This outcome could wind up carrying big implications for the quarter-finals. Group B features three bona fide medal contenders in the U.S., Russia, and Finland. It will be a tall order for either the Czechs or Germans to take points off those countries. Fortunately for them, there is no relegation to Division I this year due to the lack of lower-level U18 tournaments.

Czech coach Jakub Petr said he was proud of his players' teamwork, but also wanted to see a reduction in "stupid penalties" and an improvement offensively: "I believe we should have scored more goals. We had opportunities to score where we didn't. In front, our traffic, screening the goalie, tips, and rebounds were not that strong."

During a scoreless first period, the Germans hung tight despite taking the game’s first two minors, failing to cash in on their own two power plays, and getting outshot 15-6. German forward Nikolaus Heigl, who plays on a line with his twin brother Thomas Heigl, had his team’s best chance in the final minute when he stole the puck at the German blue line and raced off on a breakaway, but Suchanek frustrated him.

In the second period, Petr's boys began to carry the play. Forward Lukas Pajer opened the scoring with a one-timer from the right faceoff circle, converting with the man advantage at 0:49 as a German penalty for too many men on the ice carried over from the opening frame.

A series of defensive zone turnovers enabled Gabriel Szturc to make it 2-0 for the Czechs at 15:53 while shorthanded. The 17-year-old forward, a product of the BK Mlada Boleslav system, was left completely unguarded in front of Quapp.

Could German head coach Steffen Ziesche inspire his troops to stage a third-period comeback? Near the five-minute mark, captain Bennet Rossmy had a great chance, getting loose on the left side and busting in to fire one off Suchanek's right shoulder.

At 9:36, the Czechs went up 3-1 with another magnificent power play one-timer, this time by Martin Rysavy.

"David Moravec did a really great job on the blue line," said Rysavy. "He made a nice move against the defence and there was a lot of space between them. He just passed it and I shot and scored a goal."

With under eight minutes left, a bizarre sequence gave the Germans a huge chance to get back in it. Philip Feist, hauled down not once but twice on a breakaway, was foiled by Suchanek's pokecheck on his penalty shot. However, Czech defender Matej Pinkas was also whistled separately for holding and tripping on that sequence, and Germany went straight to the power play. Still no dice.

Lack of Czech discipline gave the Germans a late two-man advantage, and the underdogs finally got on the board after some crisp puck movement, with Yannick Proske's goal deemed good after a video review with 4:23 remaining. That rounded out the scoring.

It’s been a long wait for the Germans to get back to the top division, prolonged by the cancellation of last year’s tournament due to COVID-19. This was Germany’s first U18 Worlds game since a 5-3 relegation round loss to Latvia on 24 April, 2015 in Lucerne, Switzerland.

The Germans, like other nations, are facing challenges related to the pandemic. Many of their players had limited opportunities to practice or saw limited minutes against men in the DEL, DEL2, or Oberliga. Germany is also competing in Texas without some noteworthy prospects. Forwards Haakon Hanelt, Roman Kechter, and Moritz Elias and defenceman Leo Hafenrichter did not make the trip.

"The Czech team has a good, high speed through the whole game," said Ziesche. "It was fast. It was hard to compete all the time. We try our best, but it's not easy. Because most of my players haven't had a season, haven't played since November 20."

Ziesche’s boys must now dig down and aim to emulate the success that the understaffed, Tim Stutzle-led German World Junior team had in January en route to a surprisingly strong sixth-place finish.

Germany’s next game is against the host Americans on Tuesday. The Czechs will wait till Wednesday to battle Finland.

"Finland has a lot of good guys who have a lot of skills, like Brad Lambert and Samu Tuomaala," said Rysavy. "So we need to prepare for them, because we want to win here." 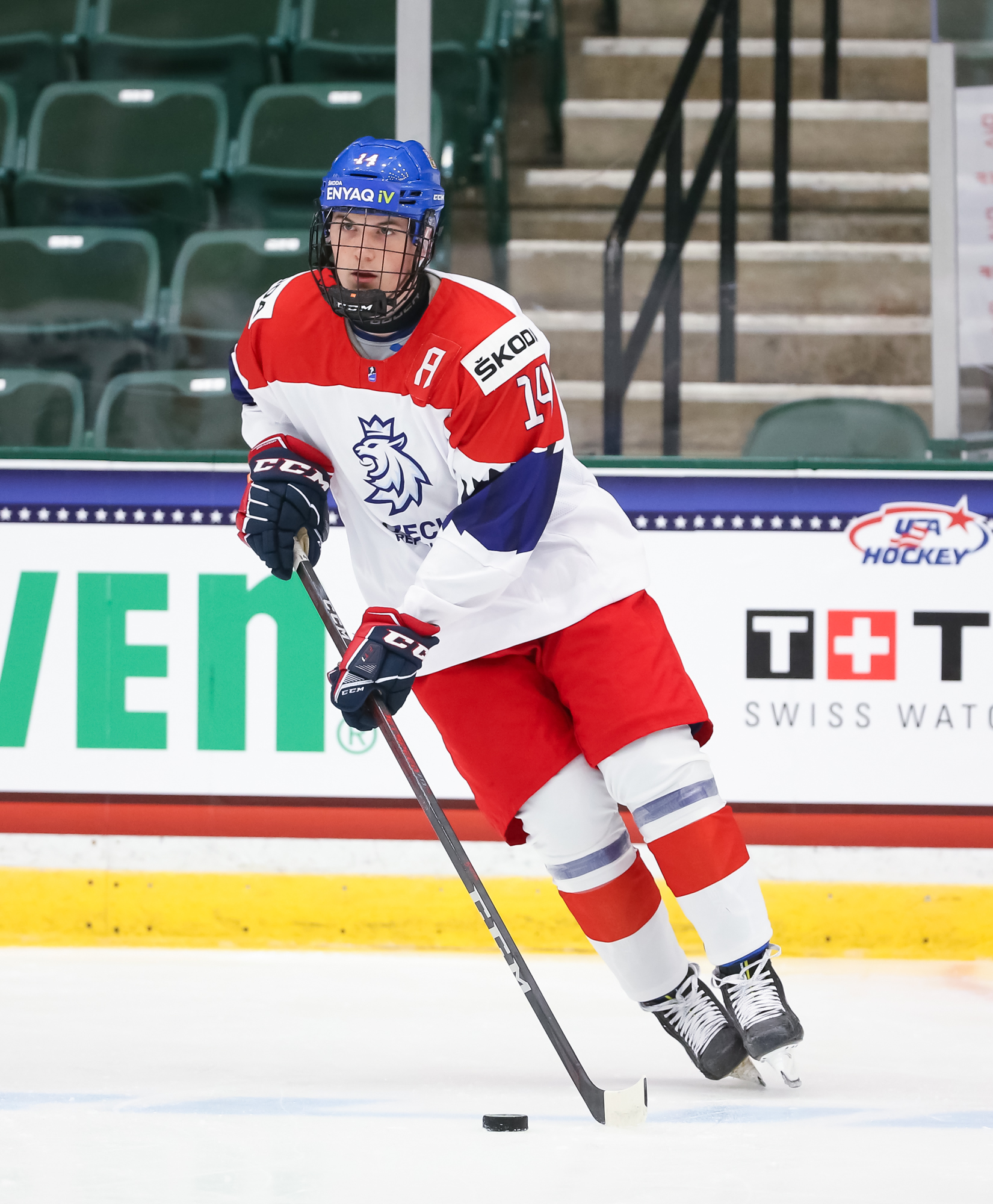 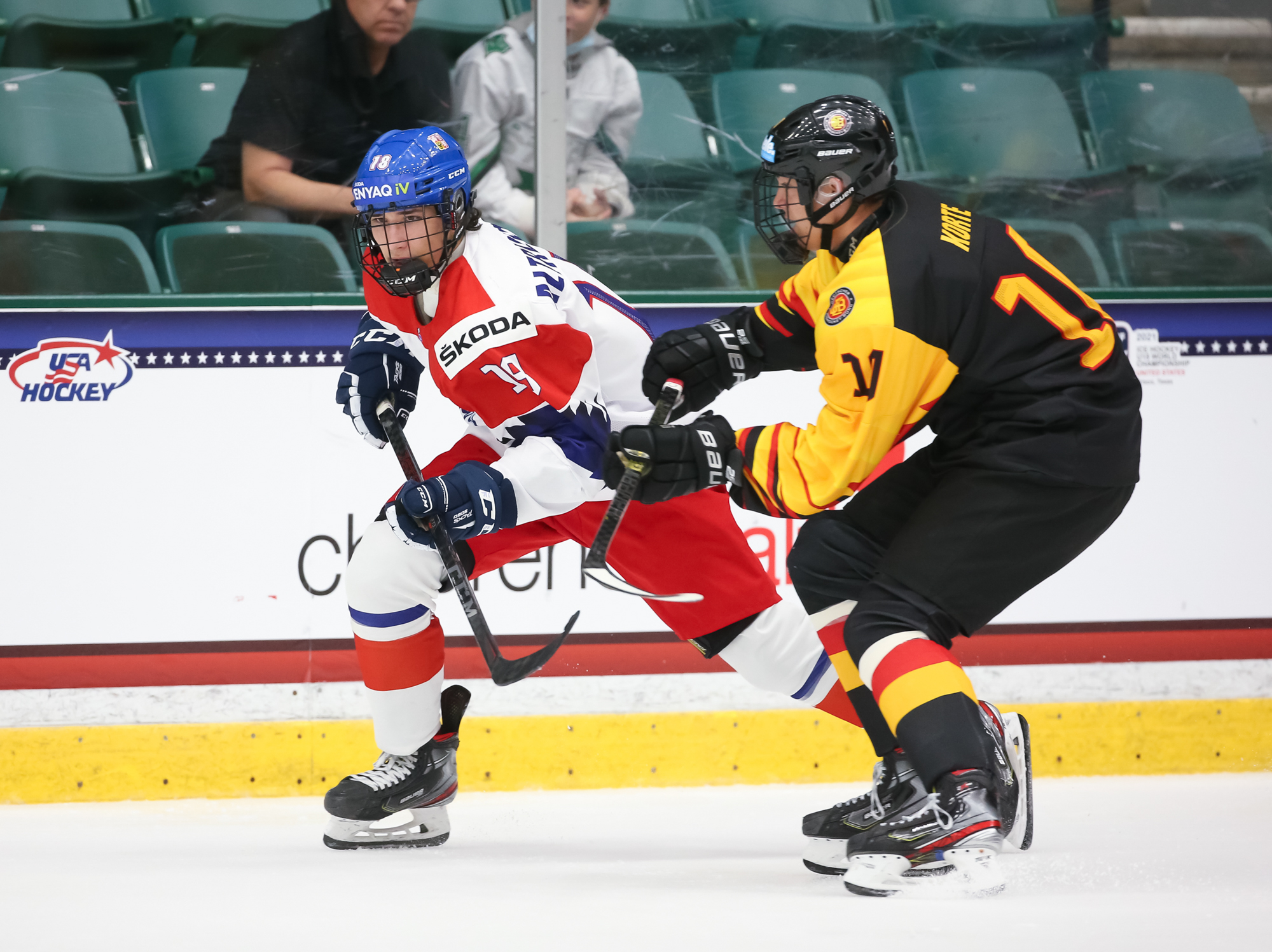 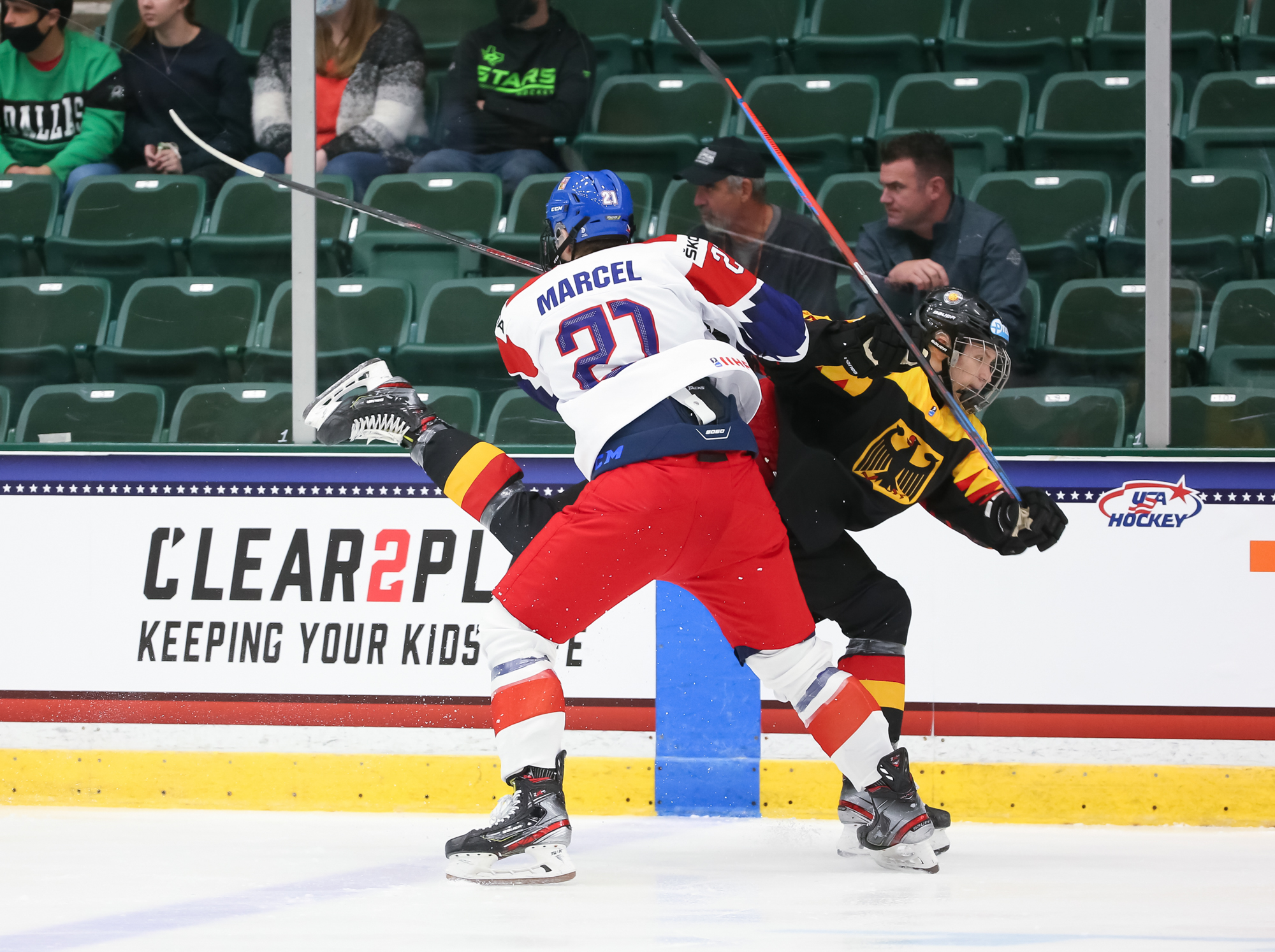 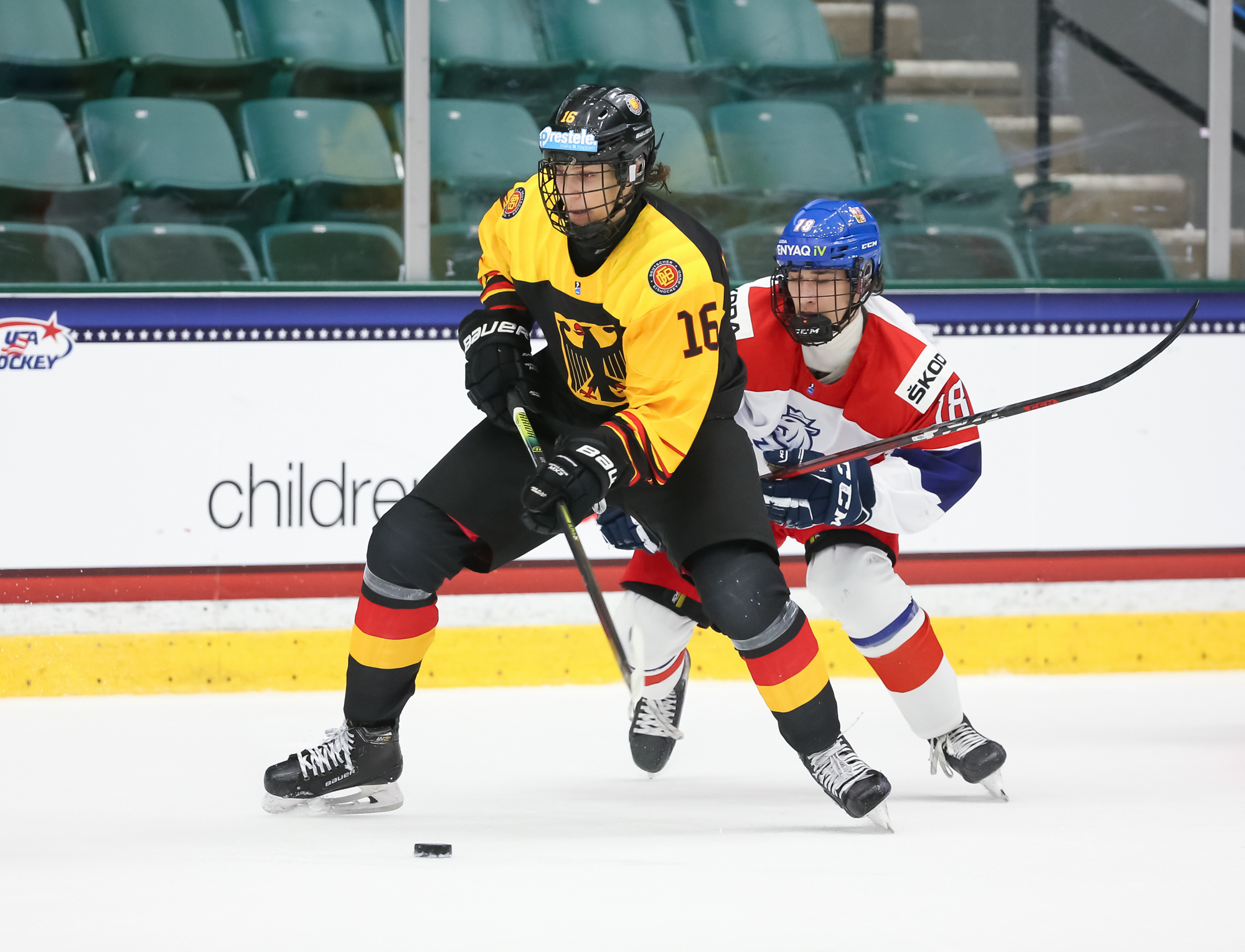 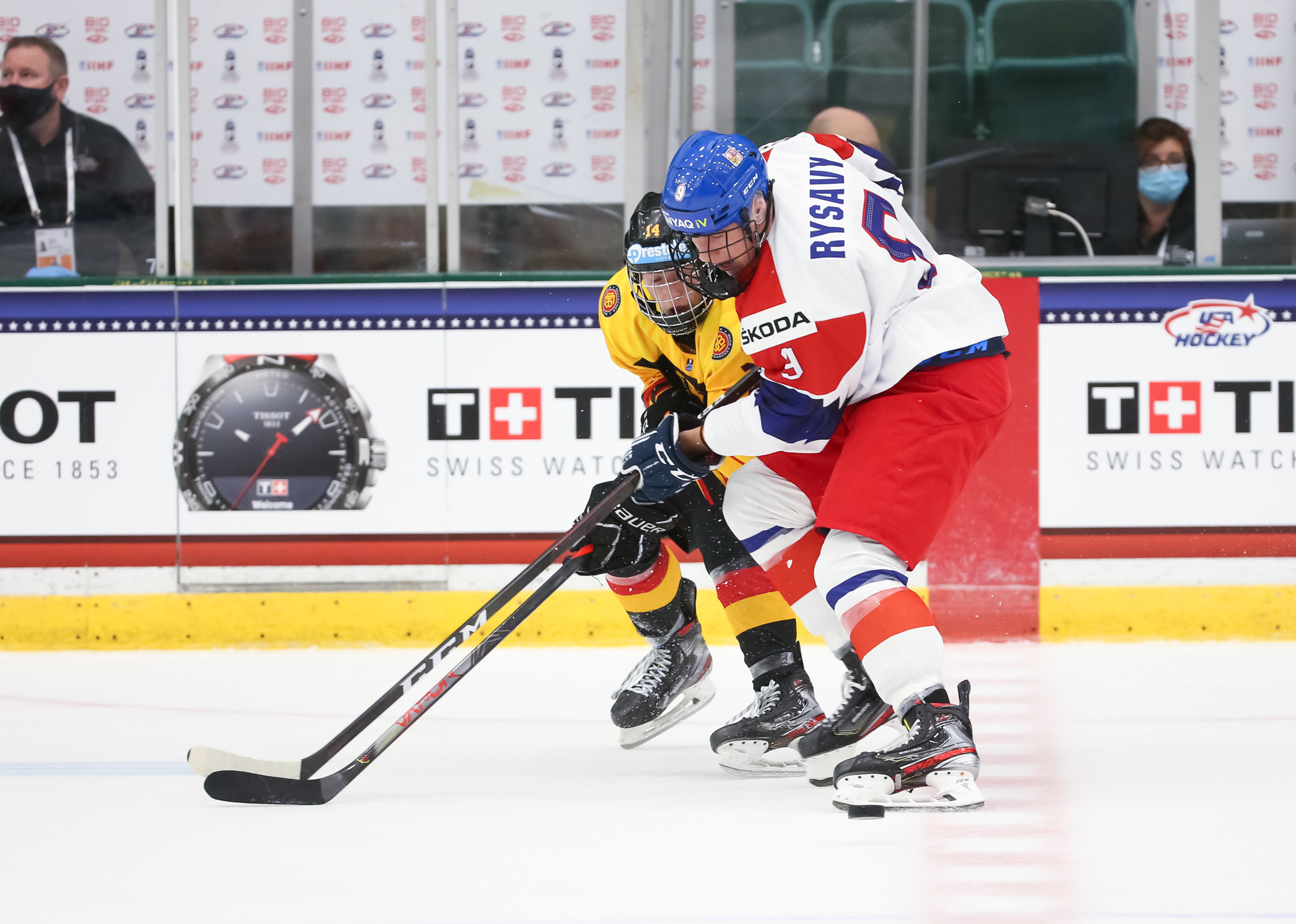 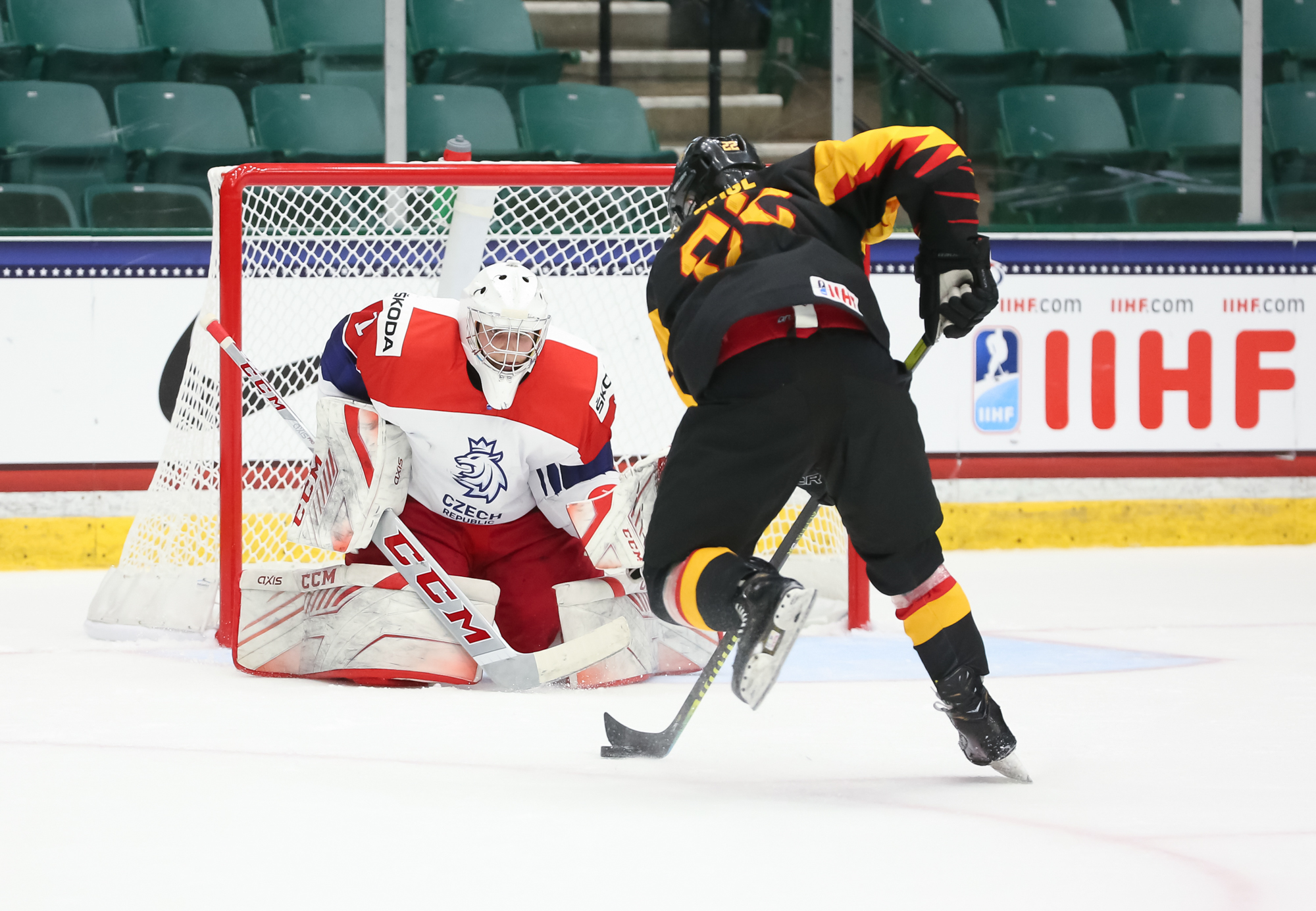 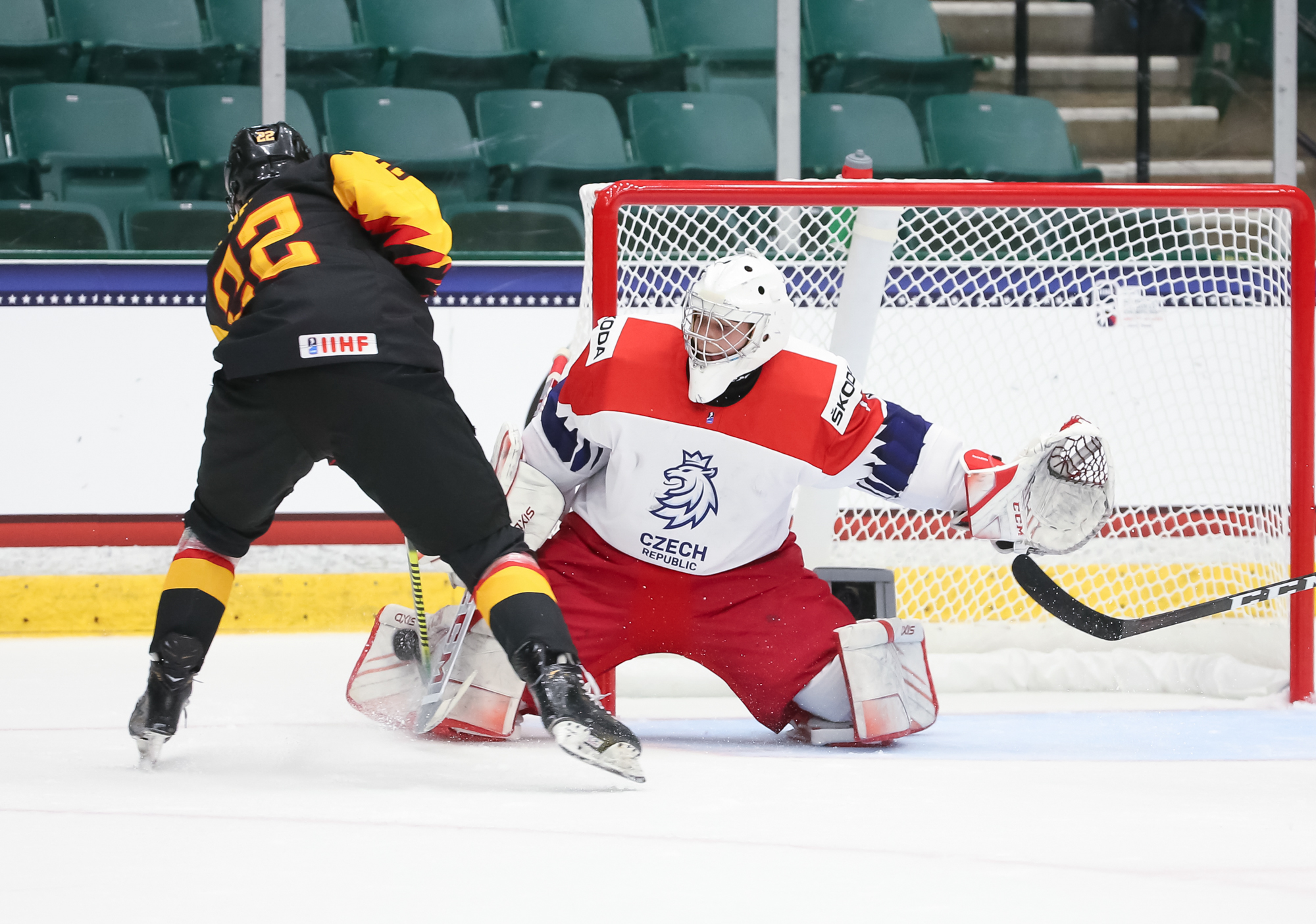 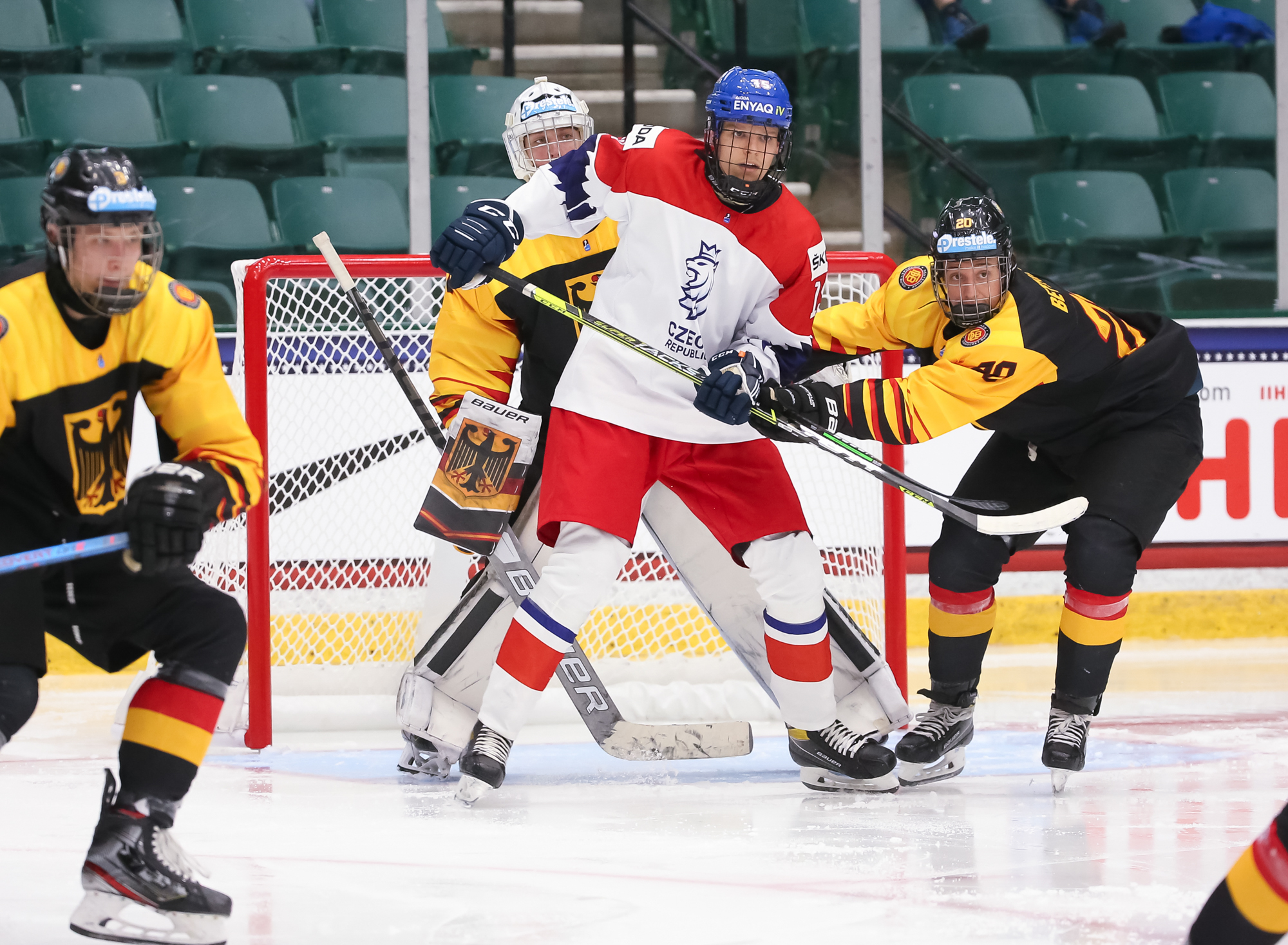 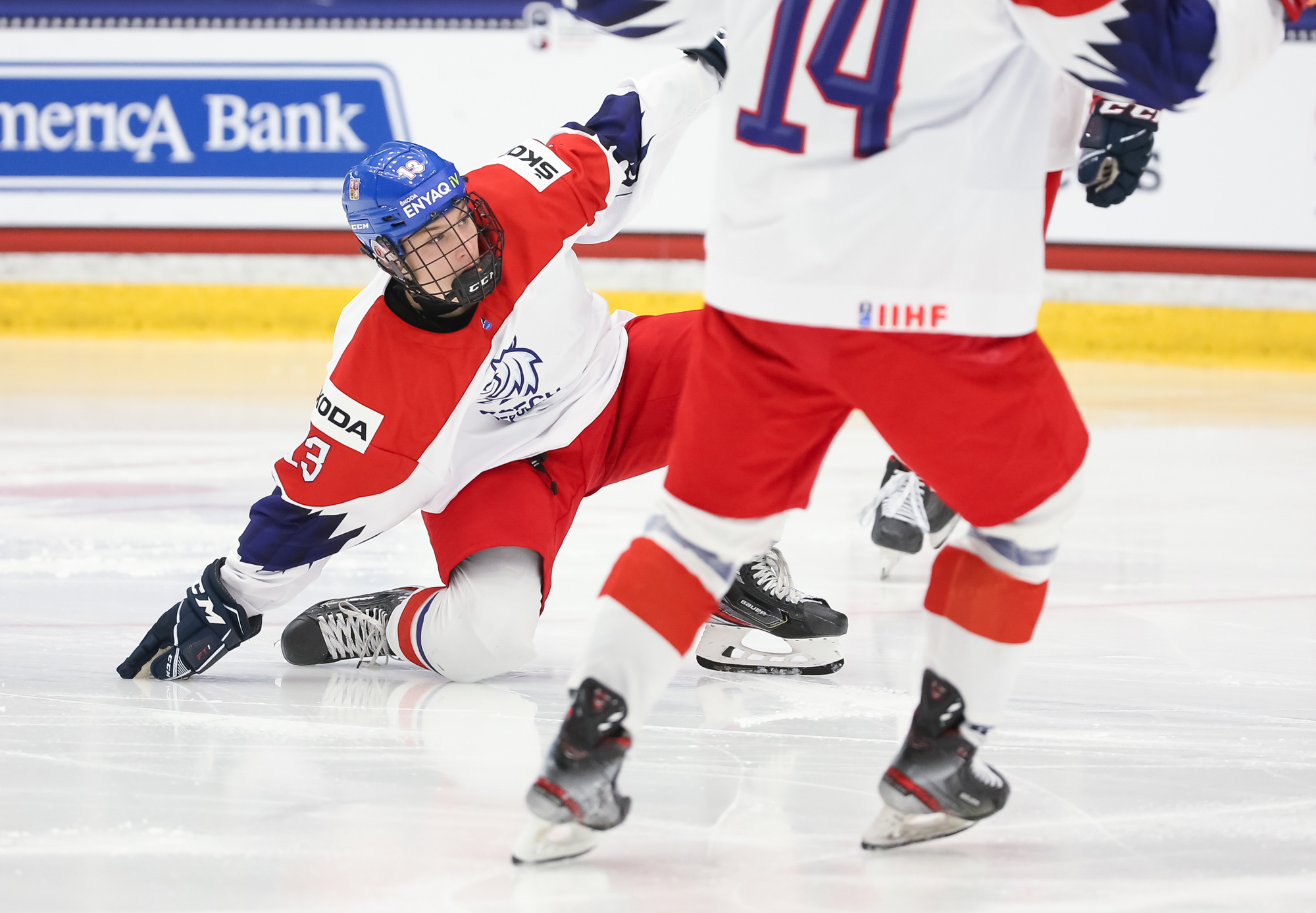 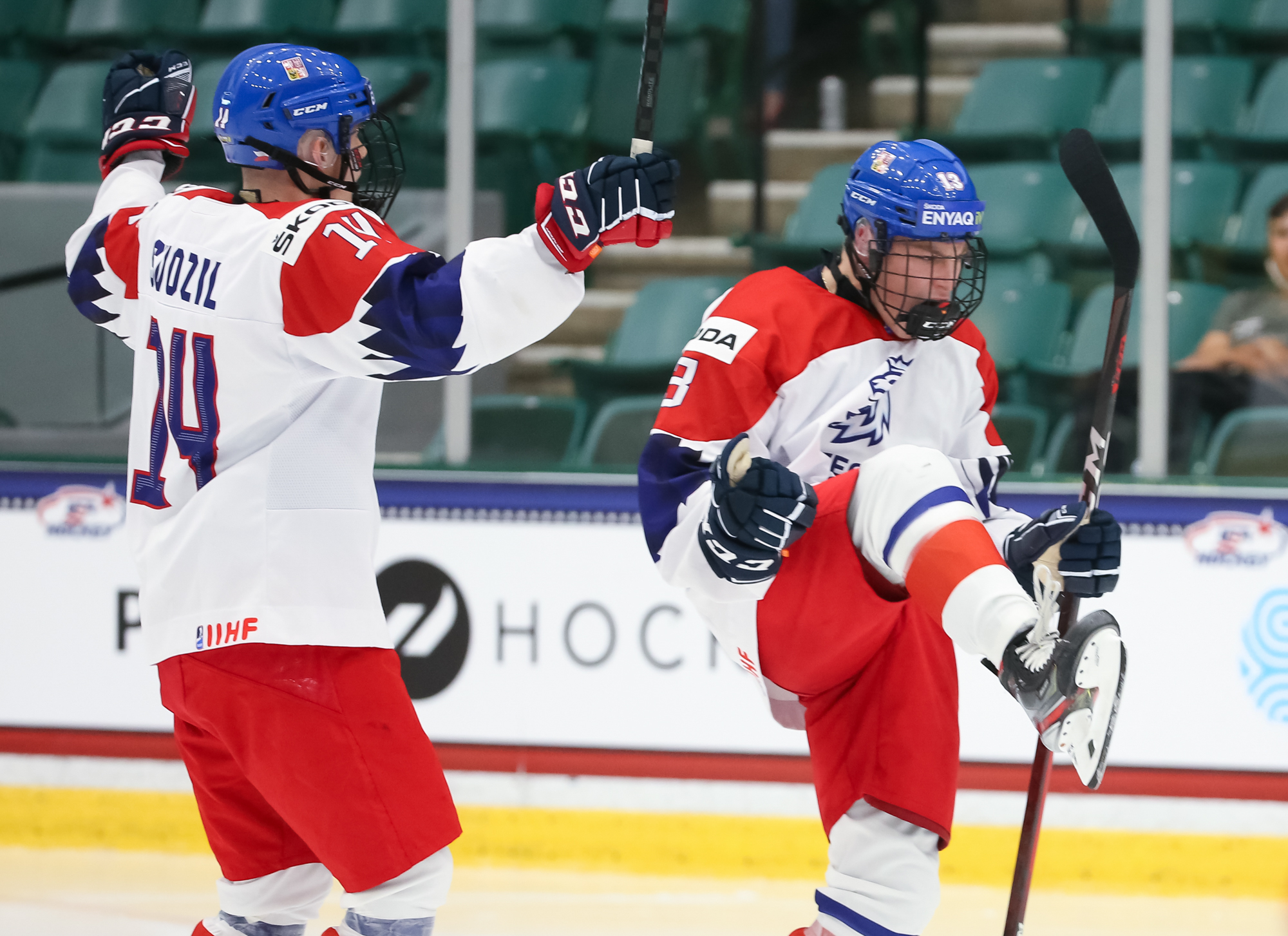 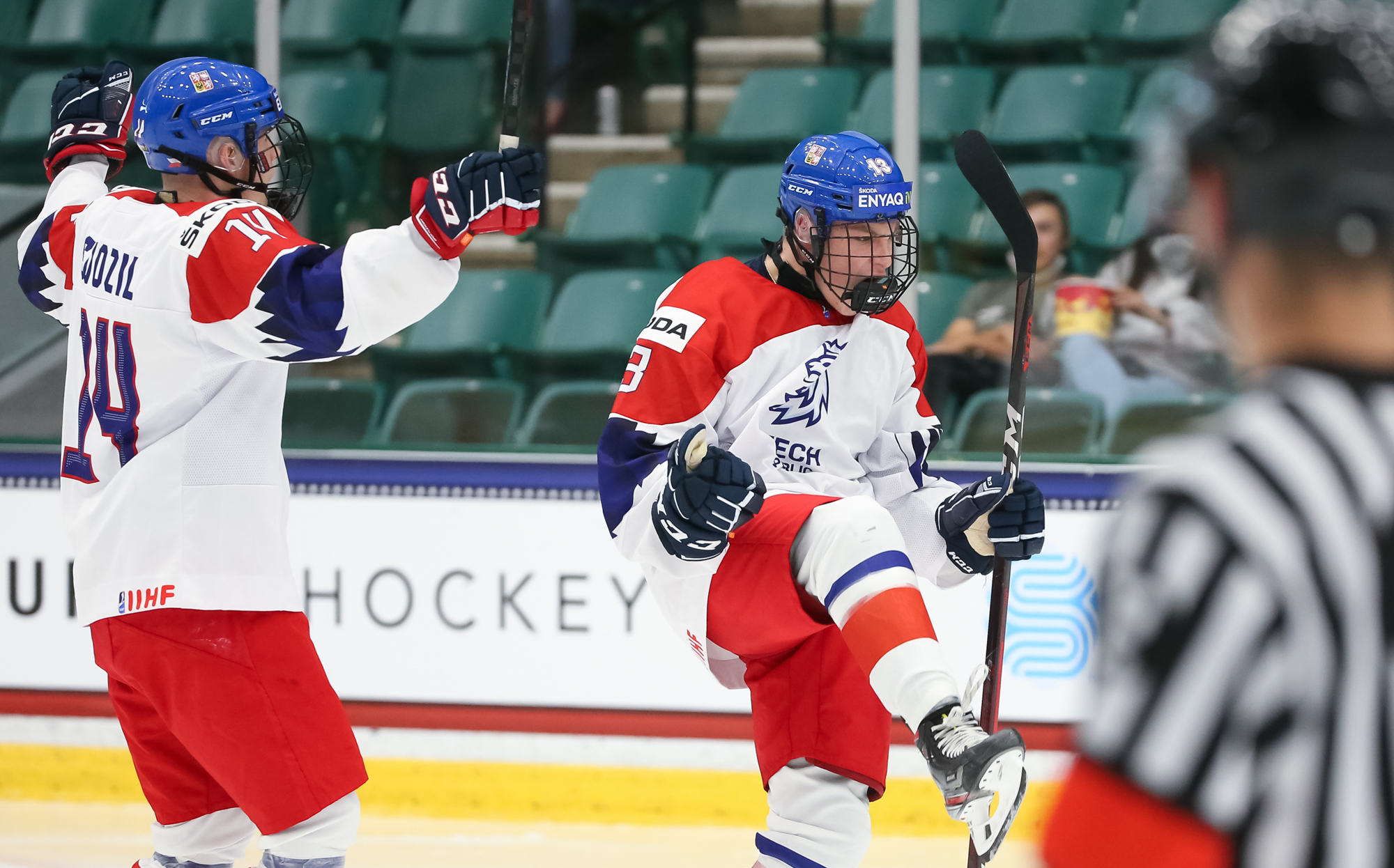 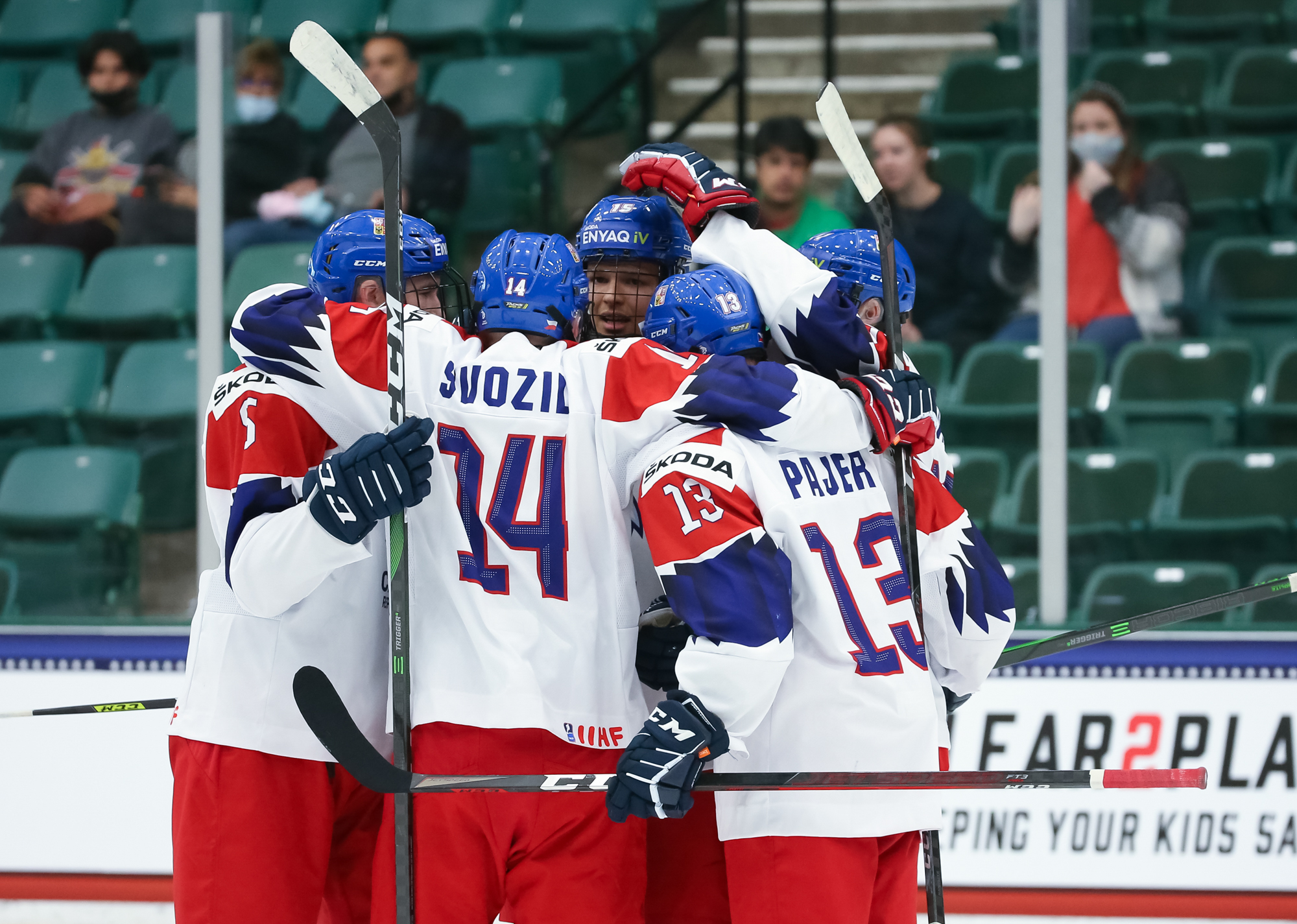 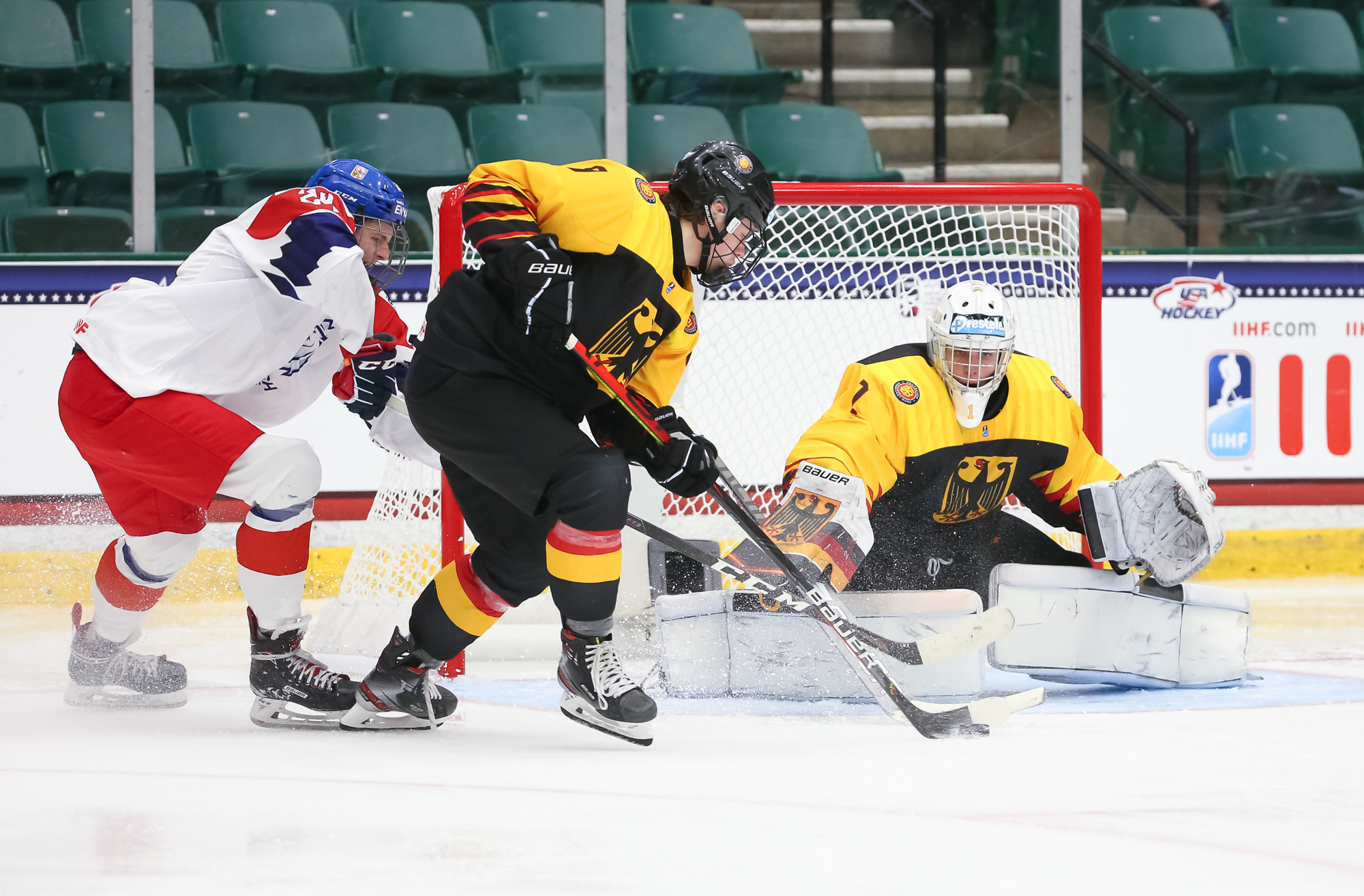 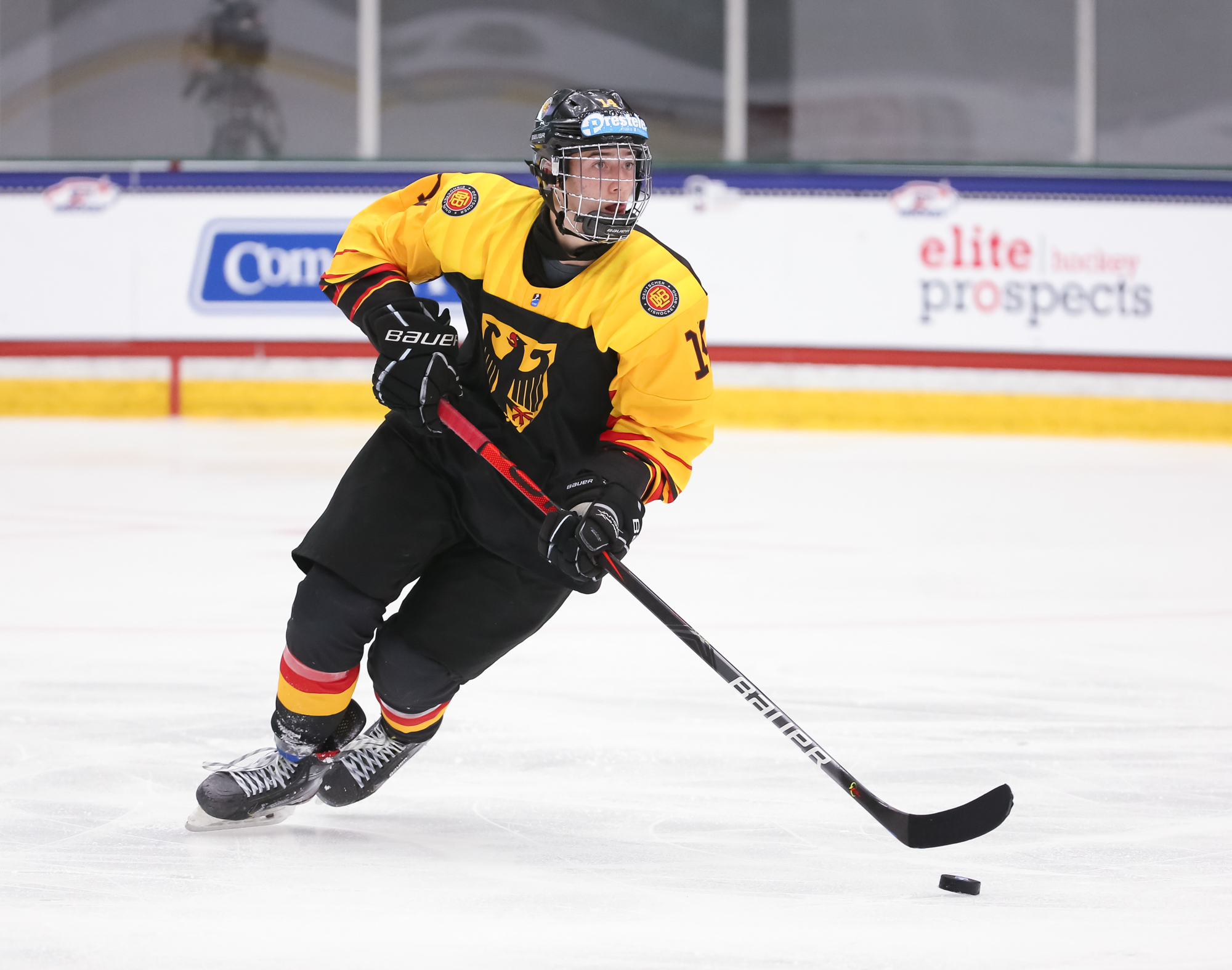 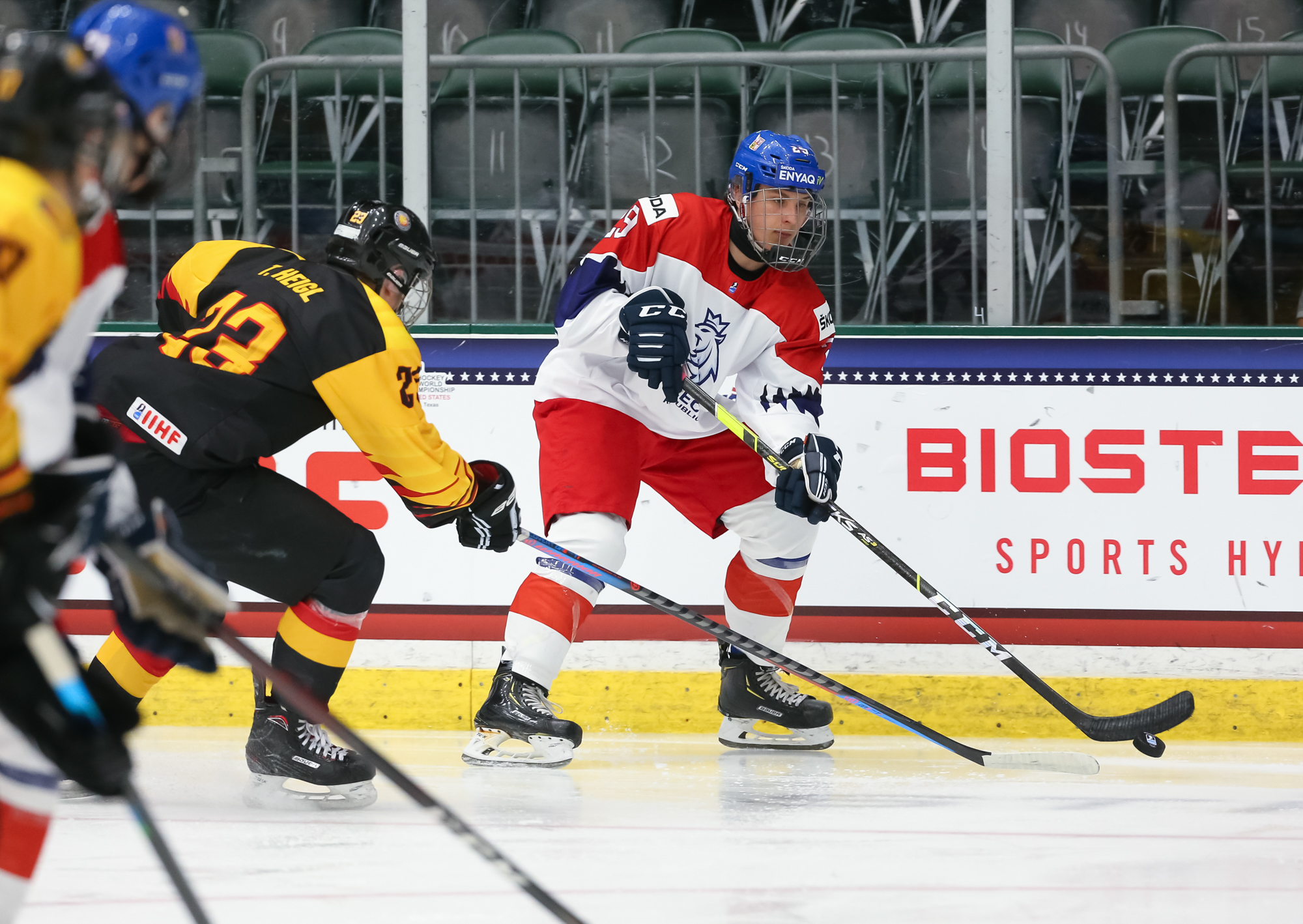 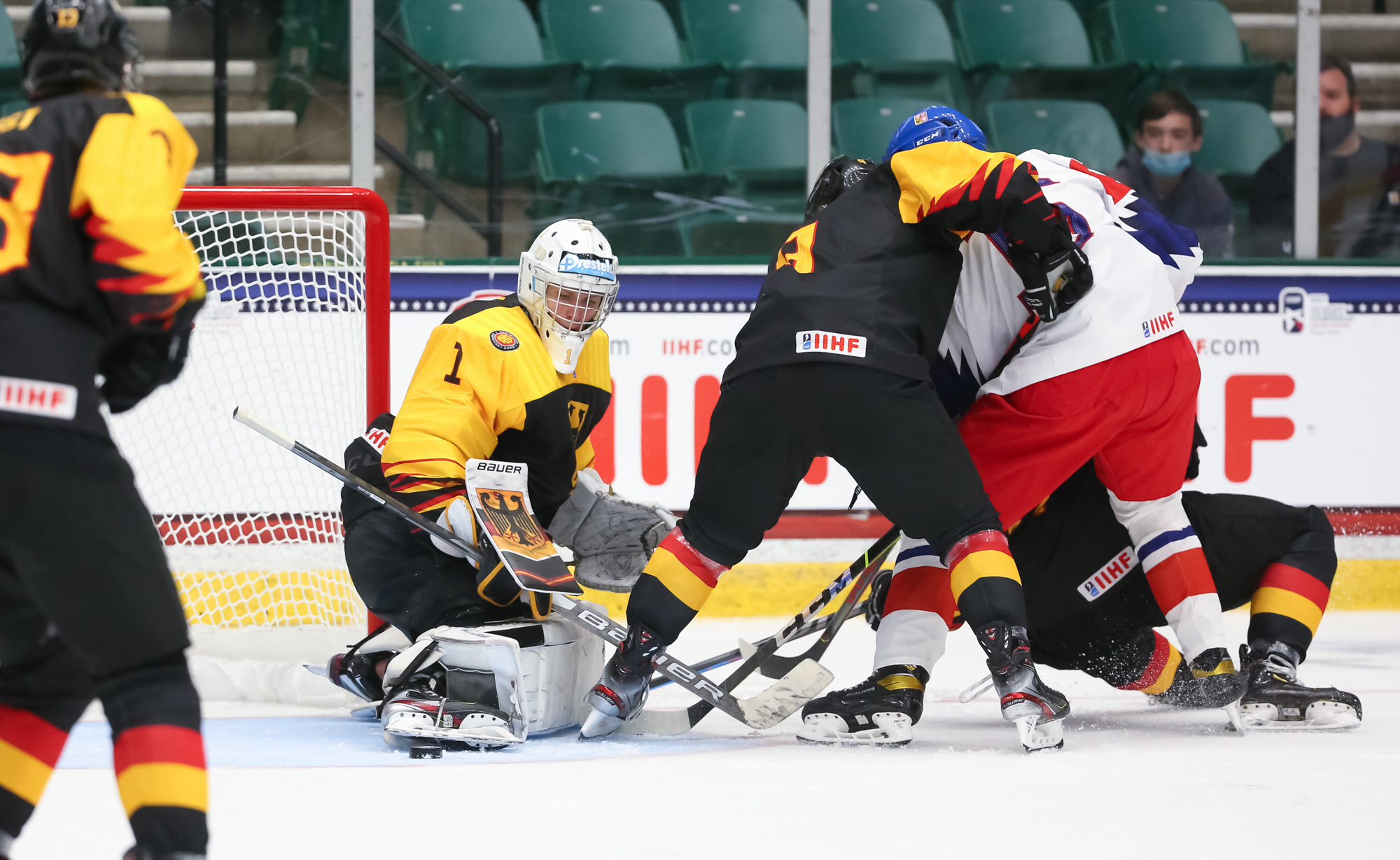 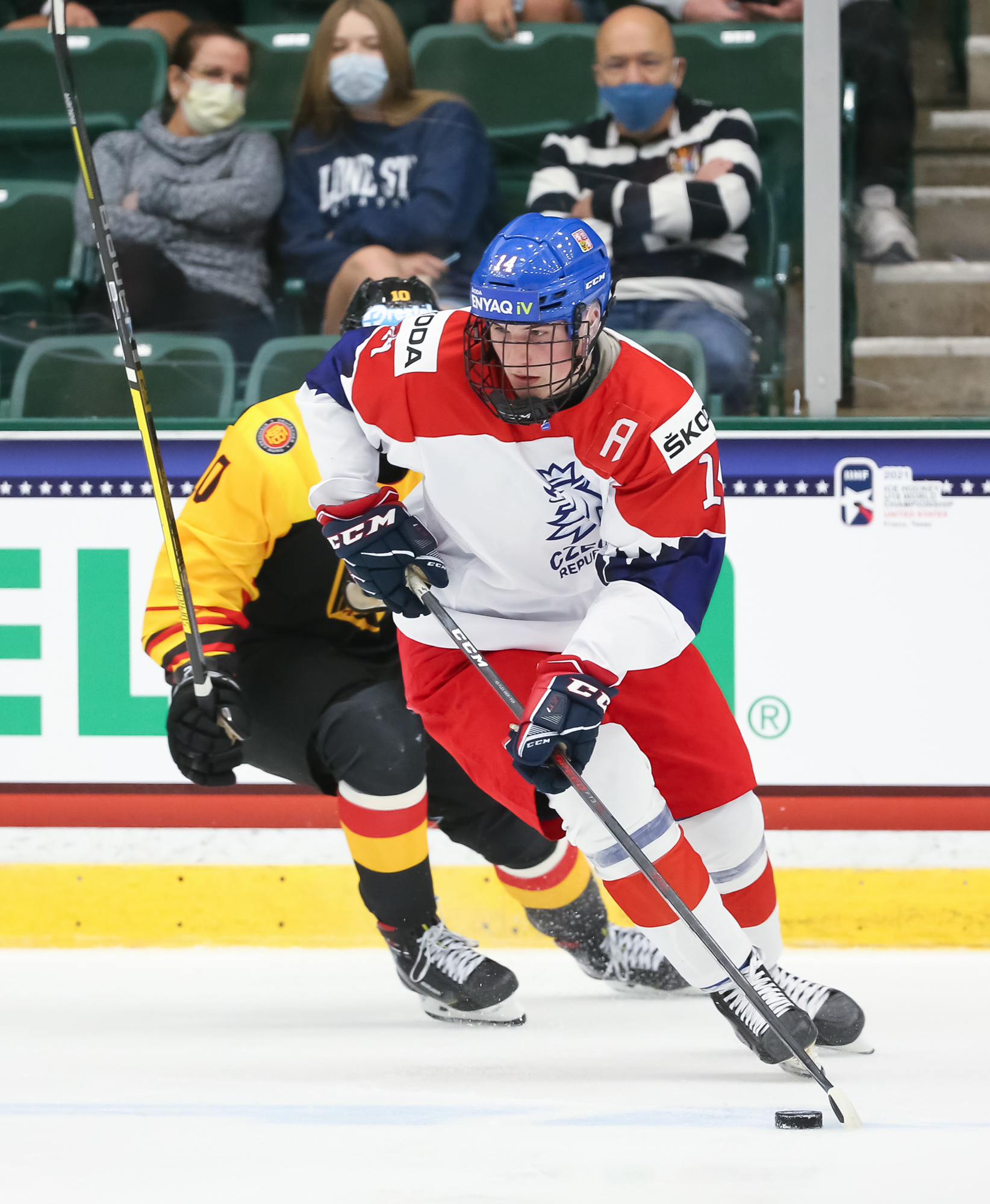 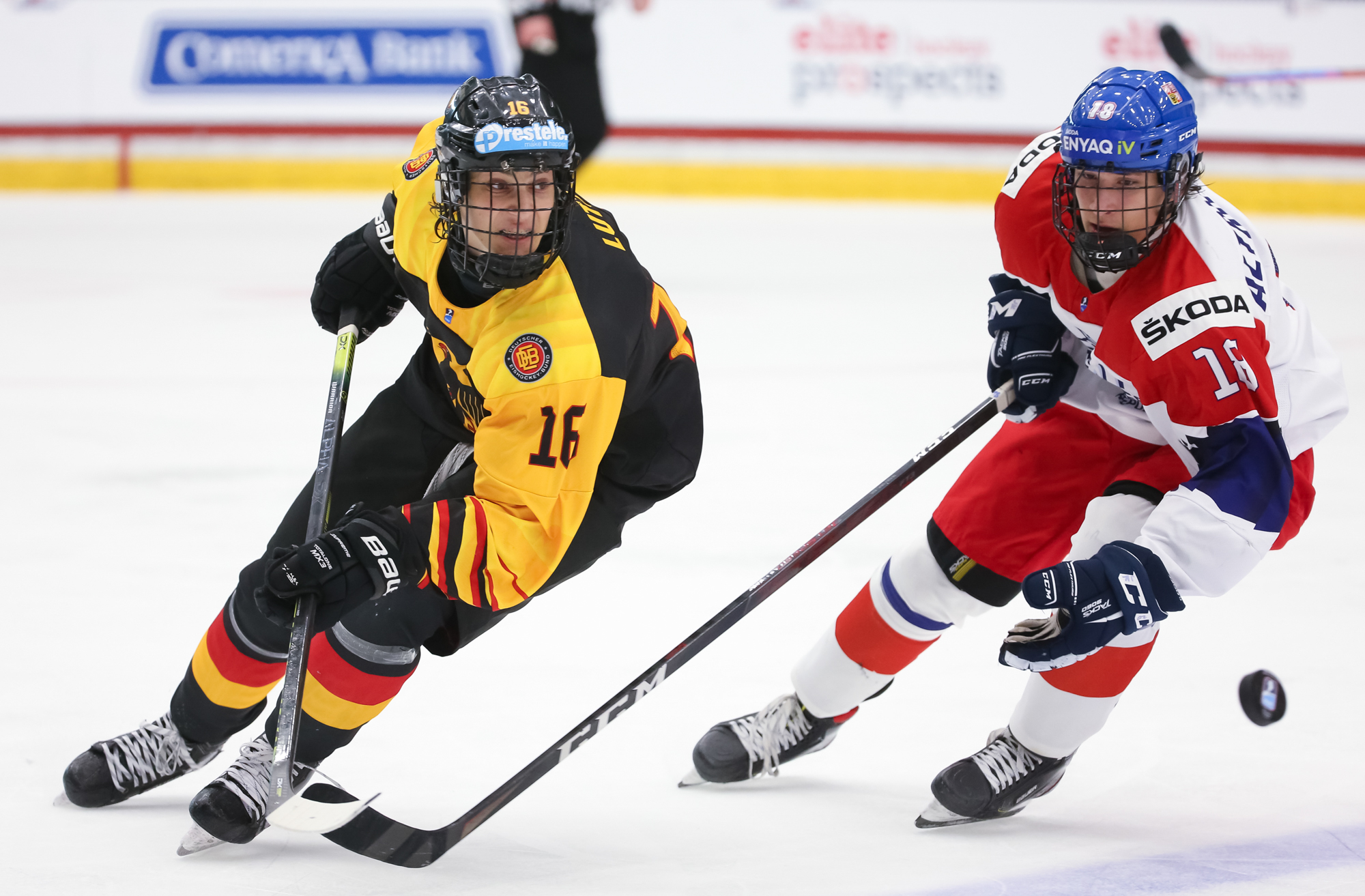 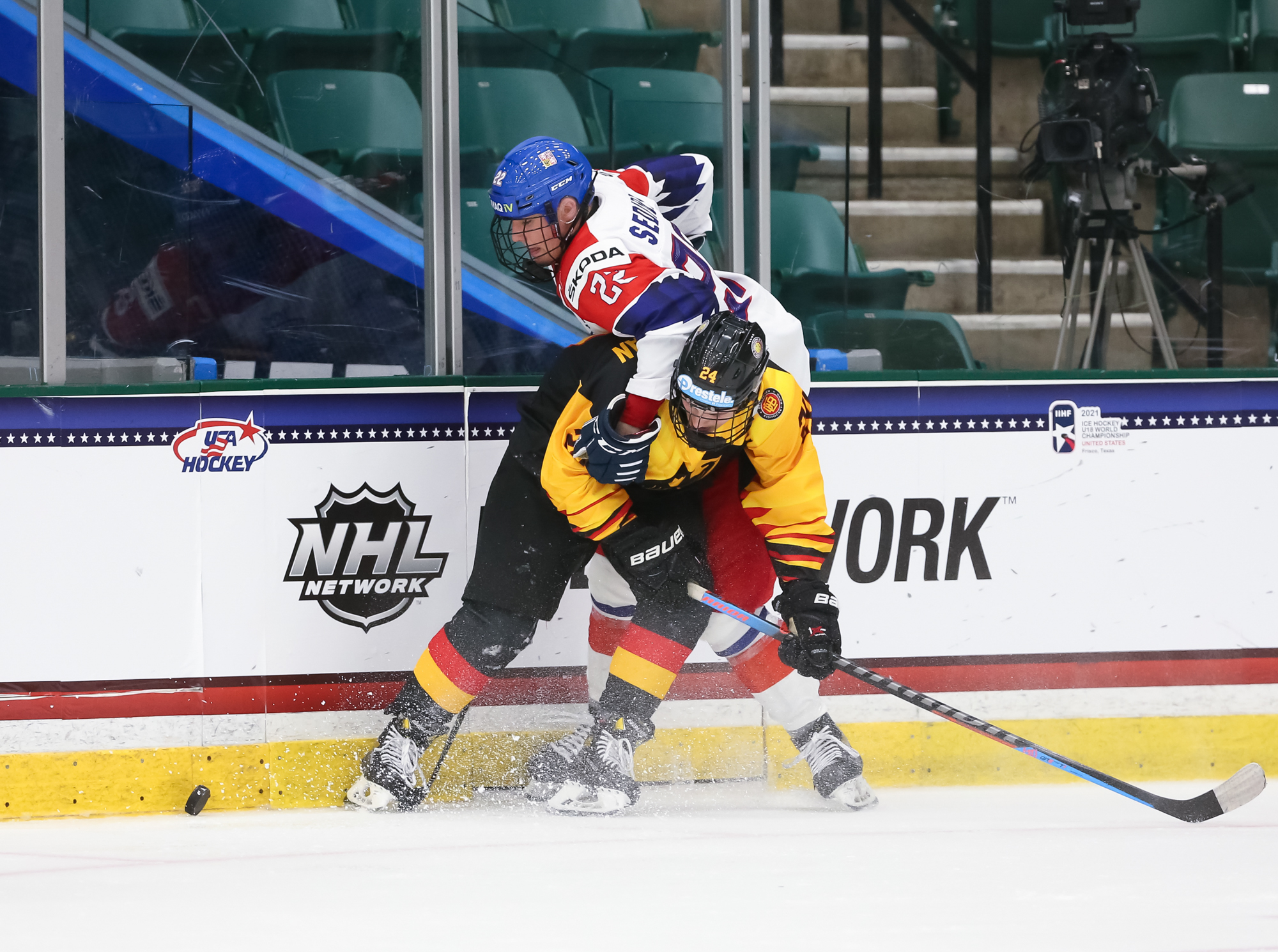 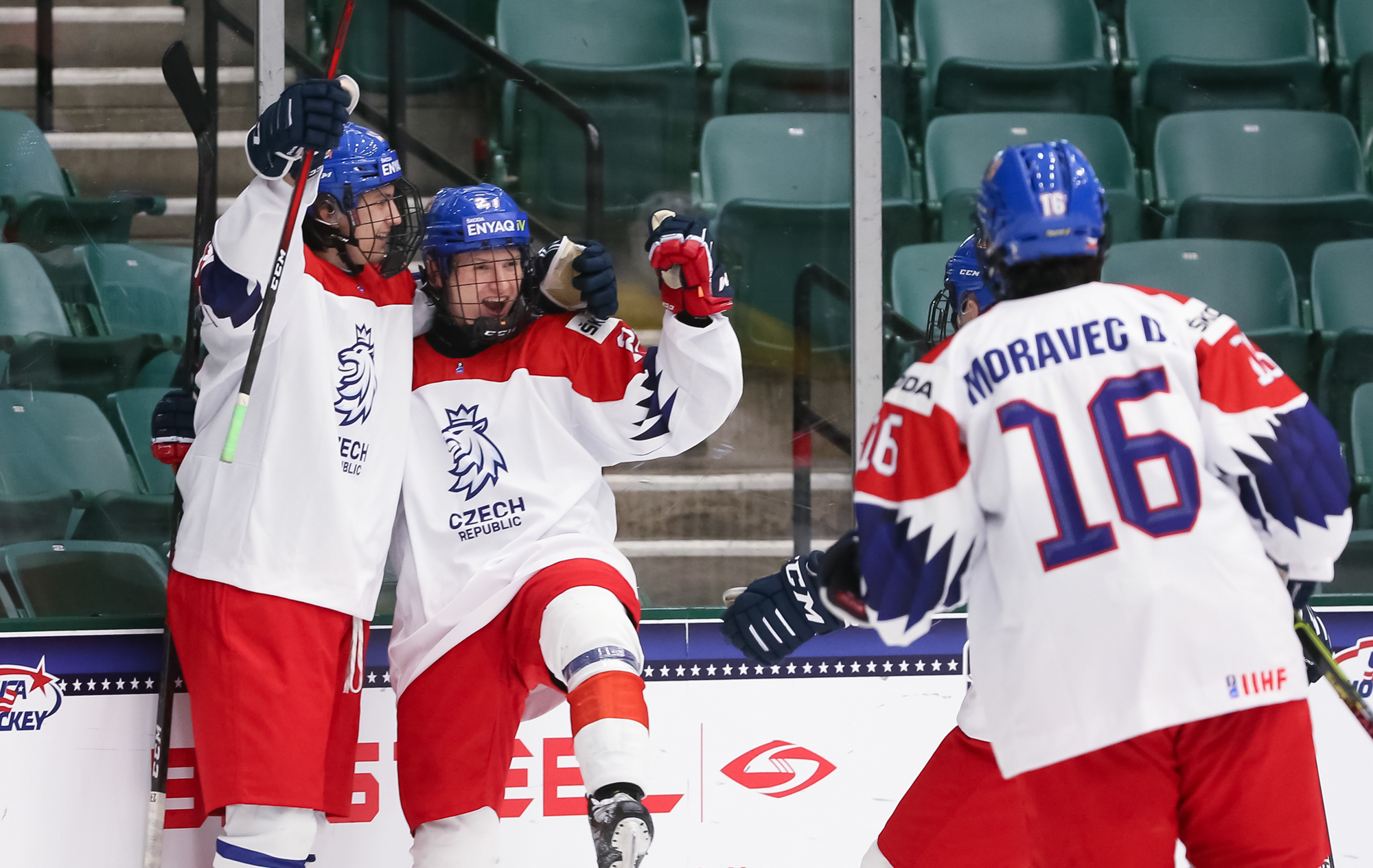 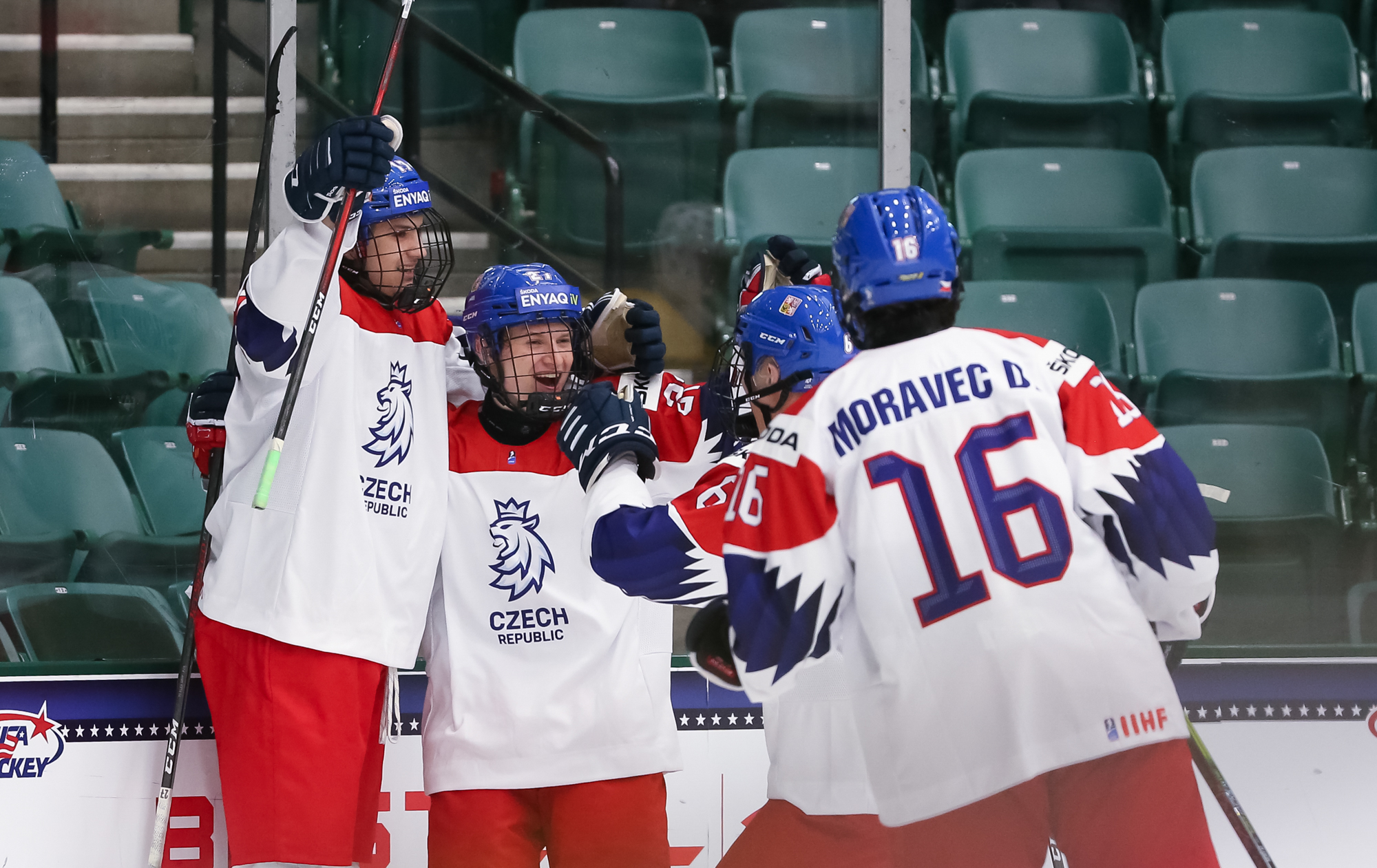 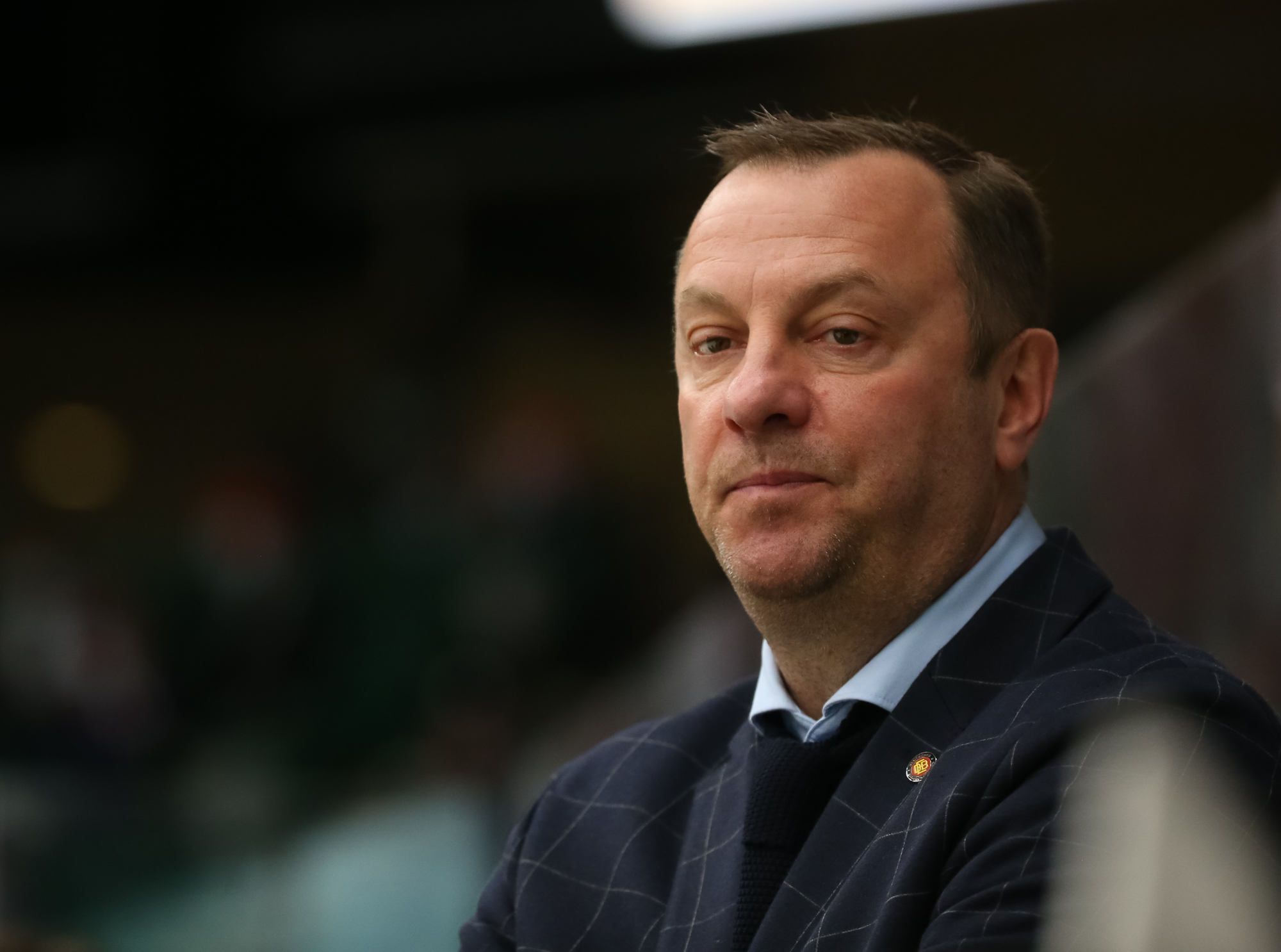 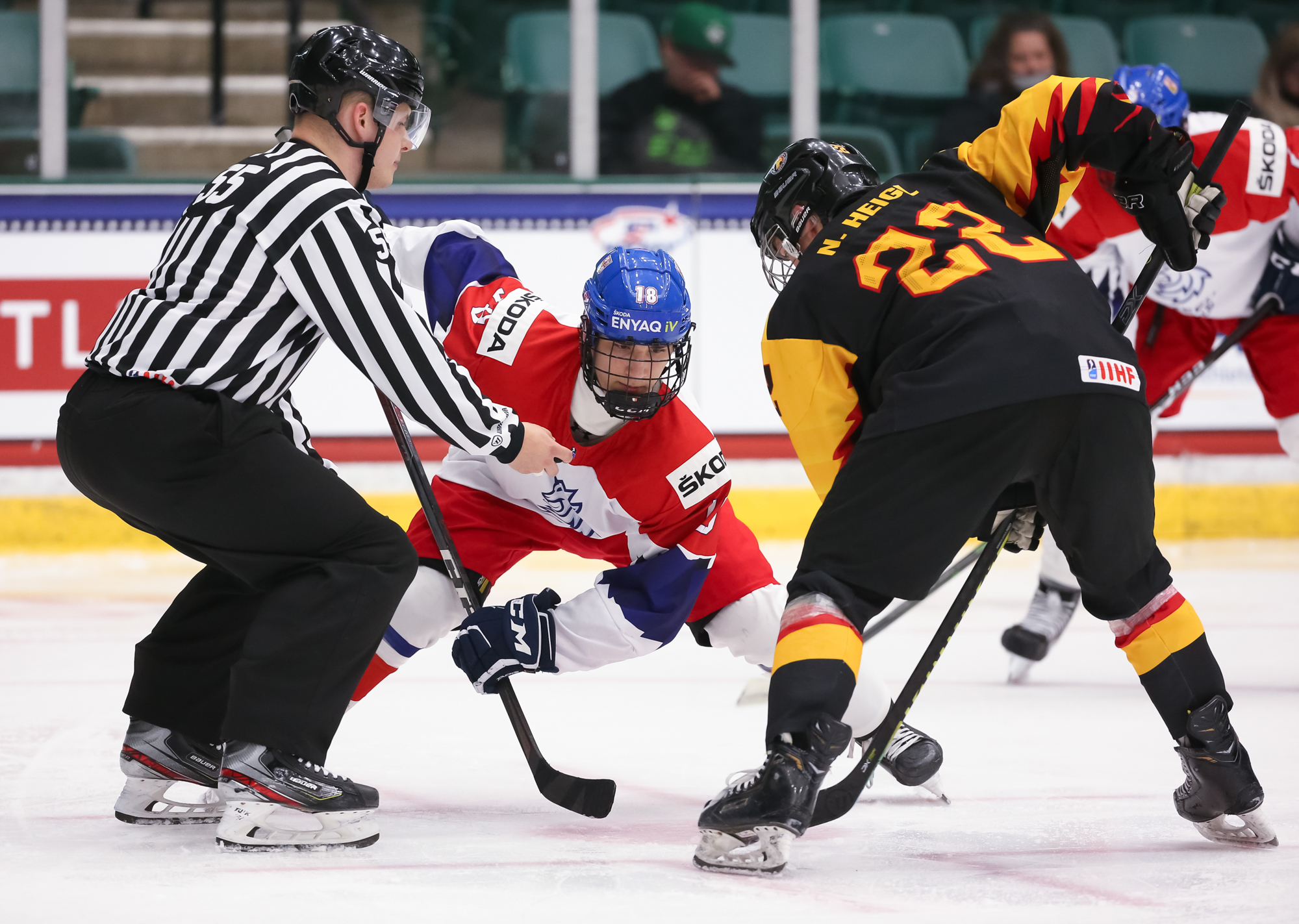 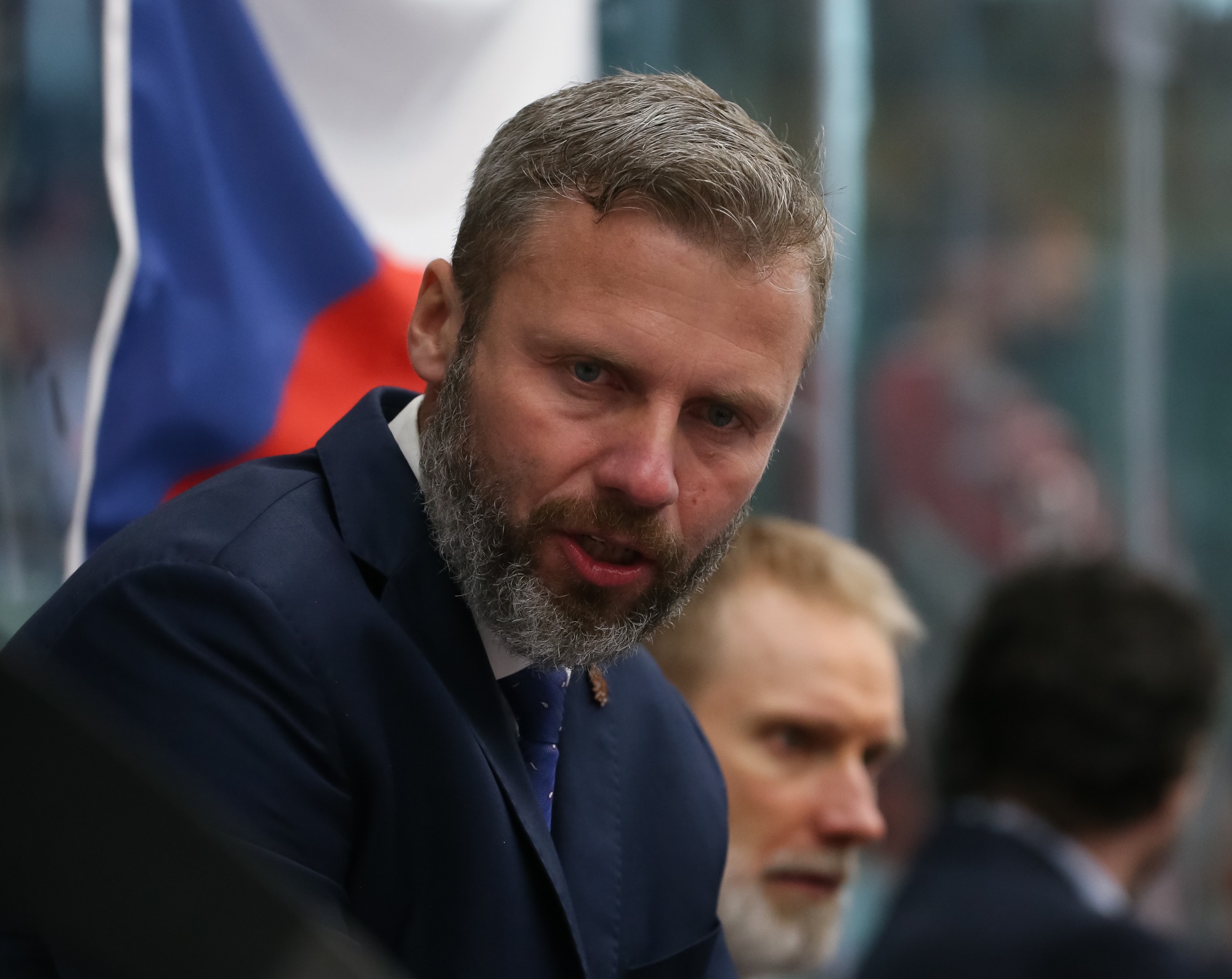 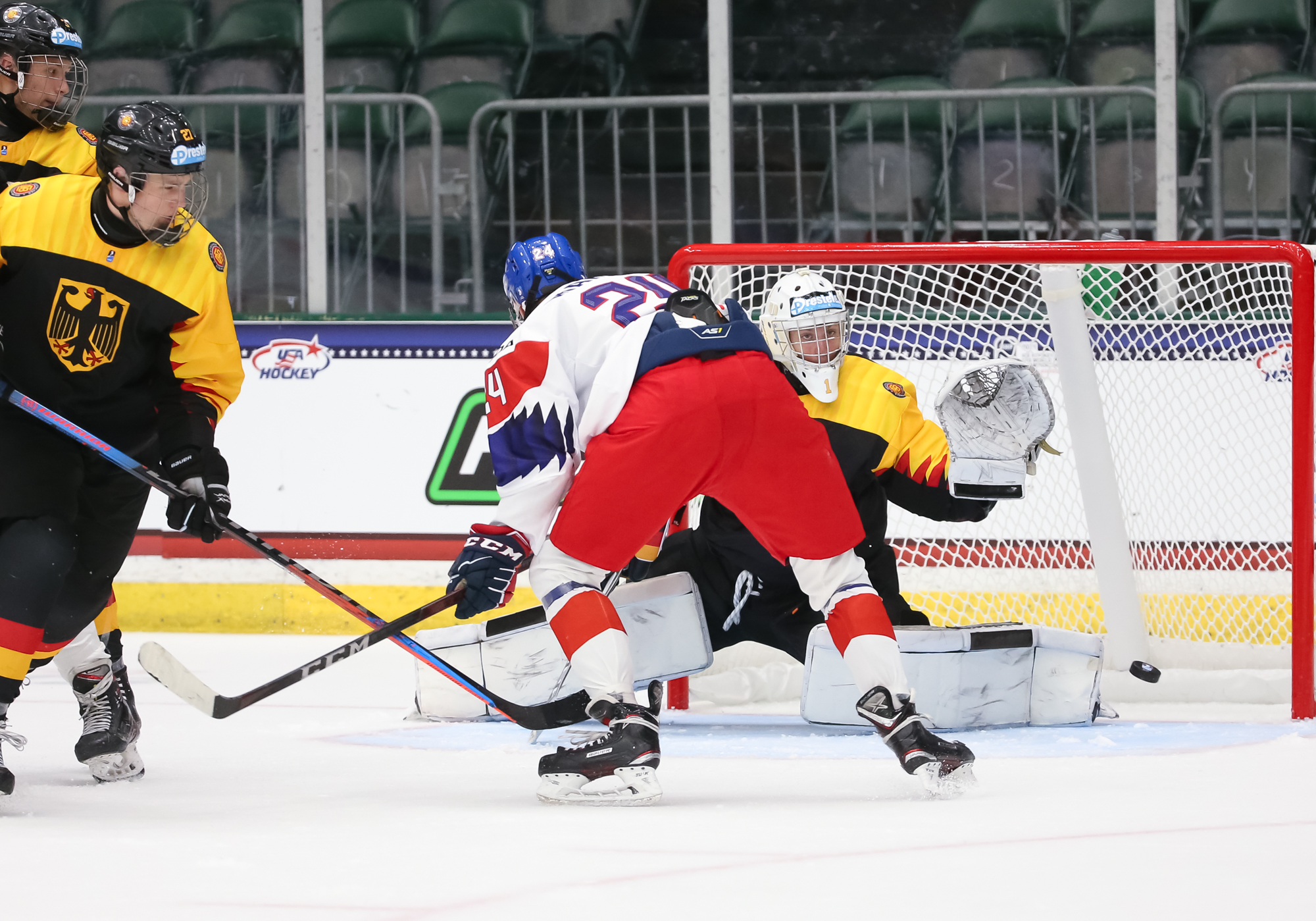 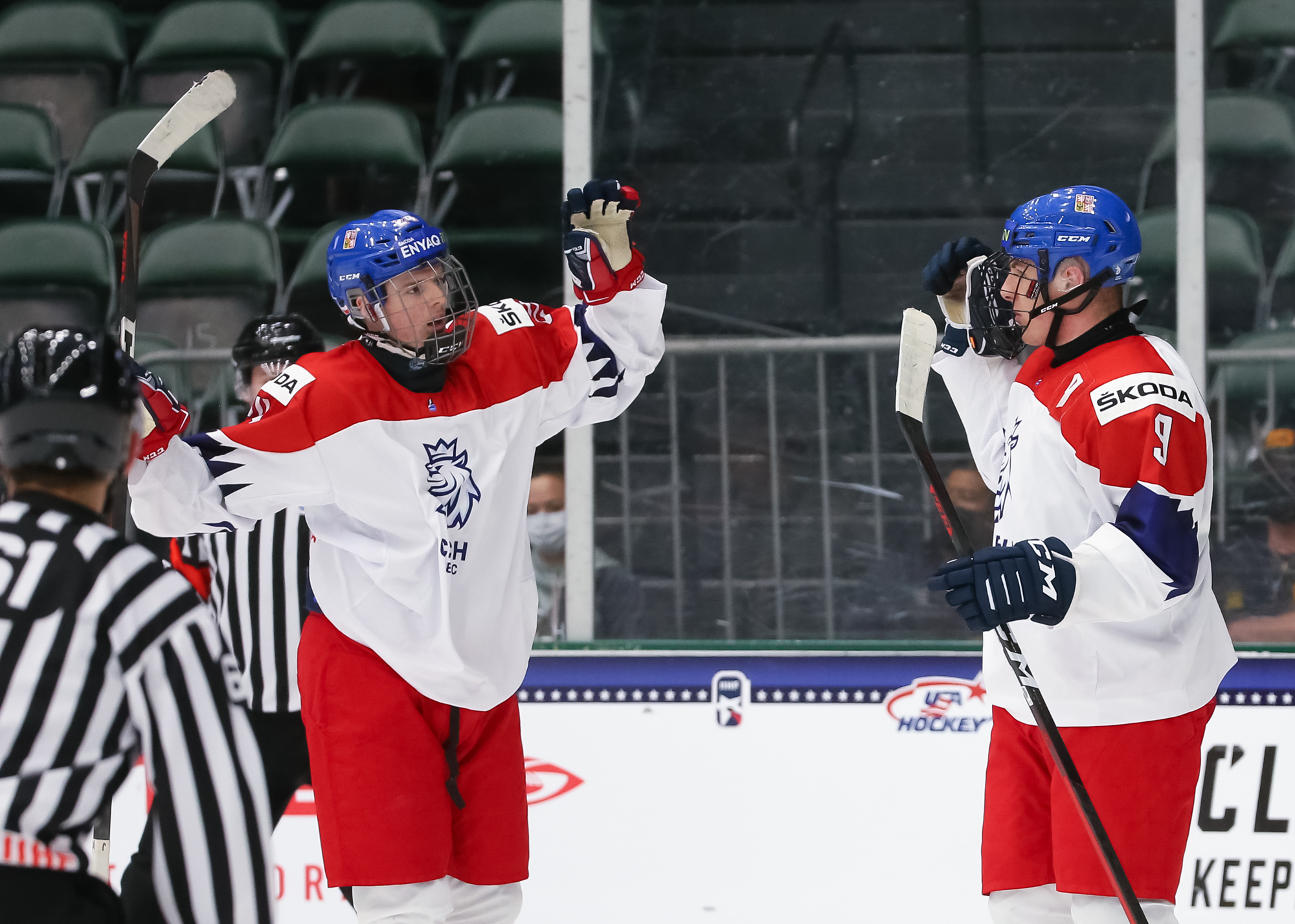 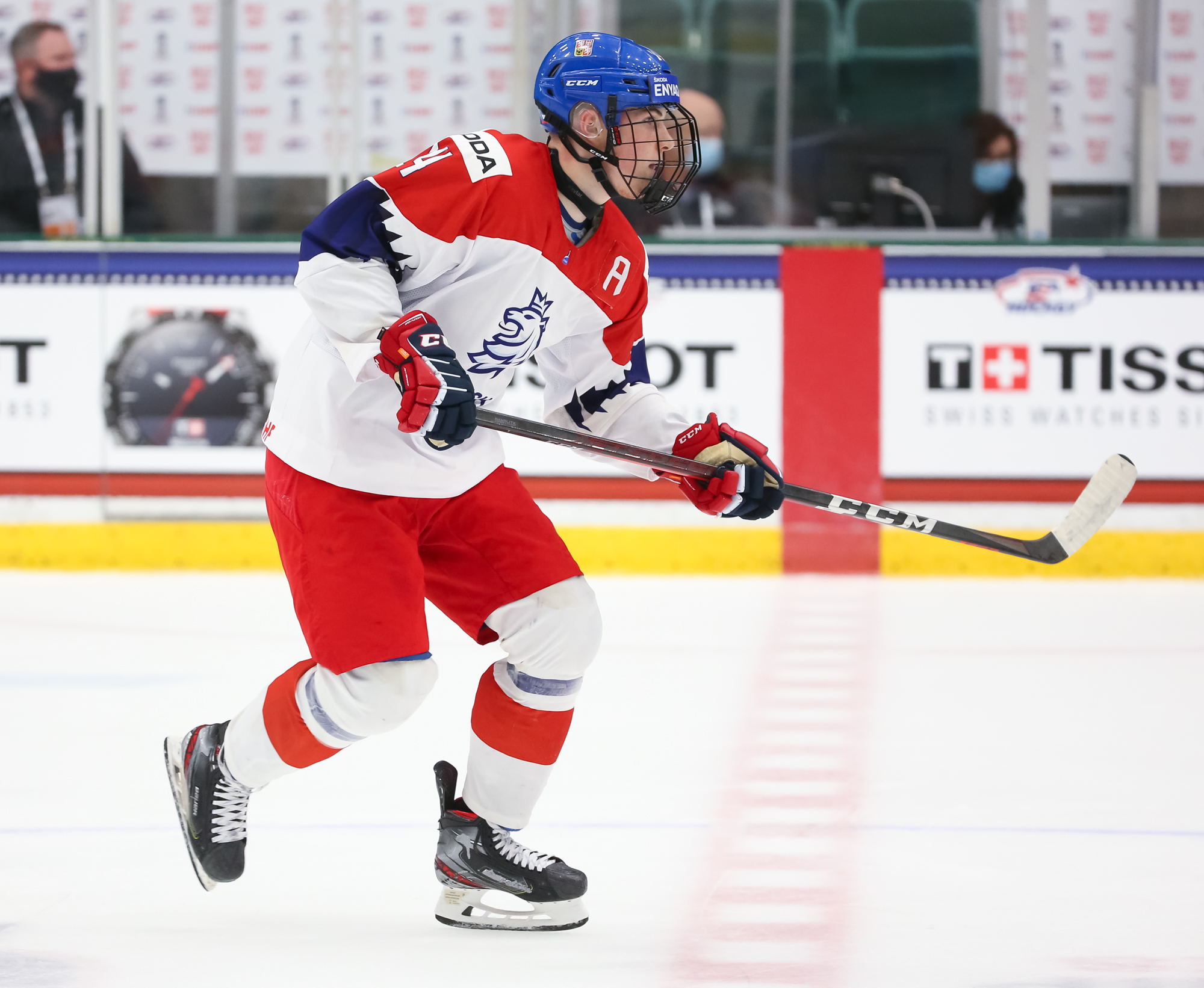