Finland outguns Czech Republic
With another wild comeback, Finland stretched its winning streak to two games with a 6-5 Group B victory over the Czech Republic at the 2021 U18 Worlds in Texas.
photo: Chris Tanouye / HHOF-IIHF Images
share

Samu Tuomaala scored two late power-play goals, including the winner with 19 seconds left, and added an assist as Finland rallied to defeat the Czech Republic 6-5 on Wednesday. The Finns remain unbeaten at the 2021 U18 Worlds, taking over temporary possession of first place in Group B.

It was another highly entertaining and unpredictable clash at Frisco's Comerica Center. For the second day in a row, Finland bounced back from a two-goal deficit -- not once but twice. The Czechs jumped out to a quick 2-0 lead before the Finns tied it up in the second period. Then in the third period, the Finns were down 5-3 but fought back to pull out the win.

"Very happy about the win," said Finnish coach Petri Karjalainen. "Obviously it was a hard-fought game. We were a little bit lucky. I have to give every credit to the Czechs. We were in big trouble most of the game. Somehow we found a way to hang in there."

"We're underdogs in this tournament, and we told [the Czech players] to get under the Finnish skin," said Czech coach Jakub Petr. "I'm proud of my team. Some stupid mistakes, but this is U18 hockey."

After edging Russia 4-3 in the shootout to open the tournament, Karjalainen ruefully described his team's underperforming power play as worthy of a "long, long, long discussion." Capitalizing three times in the final stanza here was a dramatic way to bring the PP to life.

"We had a lot of penalties going on, and I think that's what made the difference in the game in the end," said the Czech Republic's Jaroslav Chmelar.

Just 30 seconds in, the Czechs got off to a nice start with the opening goal. Chmelar hounded defenceman Jimi Suomi in the corner, stripped him of the puck, circled the cage, and attempted a wraparound. Gabriel Szturc was Johnny-on-the-spot to bang in the rebound for his second goal of these U18 Worlds.

The Czechs kept coming hard on the forecheck. At 3:55, they made it 2-0 two seconds after Verner Miettinen’s tripping penalty expired. Matej Pinkas lofted a wrist shot from the left faceoff circle high past Koskenvuo.

It took nearly 11 minutes for the Finns to get their first shot on goal, but their second one went in. With traffic in front, Ville Koivunen curled through the right faceoff circle in the Czech zone, pivoted, and surprised Suchanek with a rising shot at 11:01.

The Czechs had a glorious opportunity to regain their two-goal lead when the Finns got caught defensively in the final minute of the first period, but Koskenvuo denied Chmelar in close. Shots through 20 minutes favored the Czech Republic 17-6.

"I was so happy with the first period," said Petr. "The only thing is, we should have won the period up by three goals."

Finland knotted the score at 2-2 at 3:53 of the second period. After some good digging along the left boards, the puck came back to Viljami Juusola at the left point, and he found Miko Matikka in the high slot, who made no mistake.

Aleksi Heimosalmi did his best Bobby Orr impression to put Finland up 3-2. The talented Assat-trained blueliner took the puck from end to end, dodging Czech checkers along the wall, and beat Suchanek high to the glove side from the right faceoff circle at 4:58.

Moments later, Czech assistant captain Martin Rysavy hobbled off after taking an attempted hip check in open ice from Finland's Joakim Kemell. The play got chippier, with both teams throwing their weight around.

Right after a Matikka penalty for roughing expired, Simon Marha snared a loose puck in front and batted it into Koskenvuo's gaping cage to make it 3-3 at 8:14.

In the third period, David Moravec scored at 2:13 on a bad-angle, screened shot from the left to make it 4-3. Moravec is unrelated to the David Moravec who scored the Czech Republic's 3-2 overtime winner against Finland in the 2001 IIHF World Championship final in Hanover, Germany.

With defenceman Tomi Leppanen off for hooking, the Czechs went up 5-3 on the power play at 4:14. Jakub Altrichter got in front to tip in Lukas Pajer's shot.

The Finns again ramped up their pressure in a bid to close the gap. With the teams playing 4-on-4, Suchanek stymied Tuomaala on a partial breakaway. And with 7:49 left in the third period, Tuomaala made it 5-4 with a great one-timer set up by Jimi Suomi and Brad Lambert.

With 4:05 remaining, a bad line change led to a Czech minor for too many players on the ice. This was Suomi's  great chance to equalize the score. This time, Tuomaala didn't take the shot, instead sending the puck cross-ice to captain Samu Salminen, whose one-timer bulged the twine at 16:31.

"We killed the penalties pretty well in the first two periods," said Petr. "But there were a lot of emotions, and we didn't read the play that well on those power plays where they scored."

Heimosalmi was shaken up, going into the boards after Pajer tripped him, and the Finns got yet another man advantage to finish off the game. The Finnish bench erupted when Tuomaala culminated the comeback with a rising shot that went in at 19:41.

Koivunen explained the revitalized Finnish power play: "We started shooting pucks and being more aggressive. And now we had players on the net, so the goalie couldn't see very well."

The Czechs won their last U18 Worlds game against Finland, 4-2 at the 2019 tournament in Sweden.

For Finland, forward Juho Jarvela slotted into the lineup in place of Oliver Kapanen. The nephew of former Finnish NHLer and current KalPa owner Sami Kapanen was injured when he fell into the boards in the previous game against Russia.

Karjalainen said Kapanen was day-to-day, adding: "I hope in the next two or three days he will be able to practice and then we'll see what the situation is. Hopefully for us, but especially for the boy, he is still able to play in this tournament. We are very positive that it will go that way."

The Czechs will take on the host Americans on Thursday, while Finland gets a day off before battling Germany on Friday. 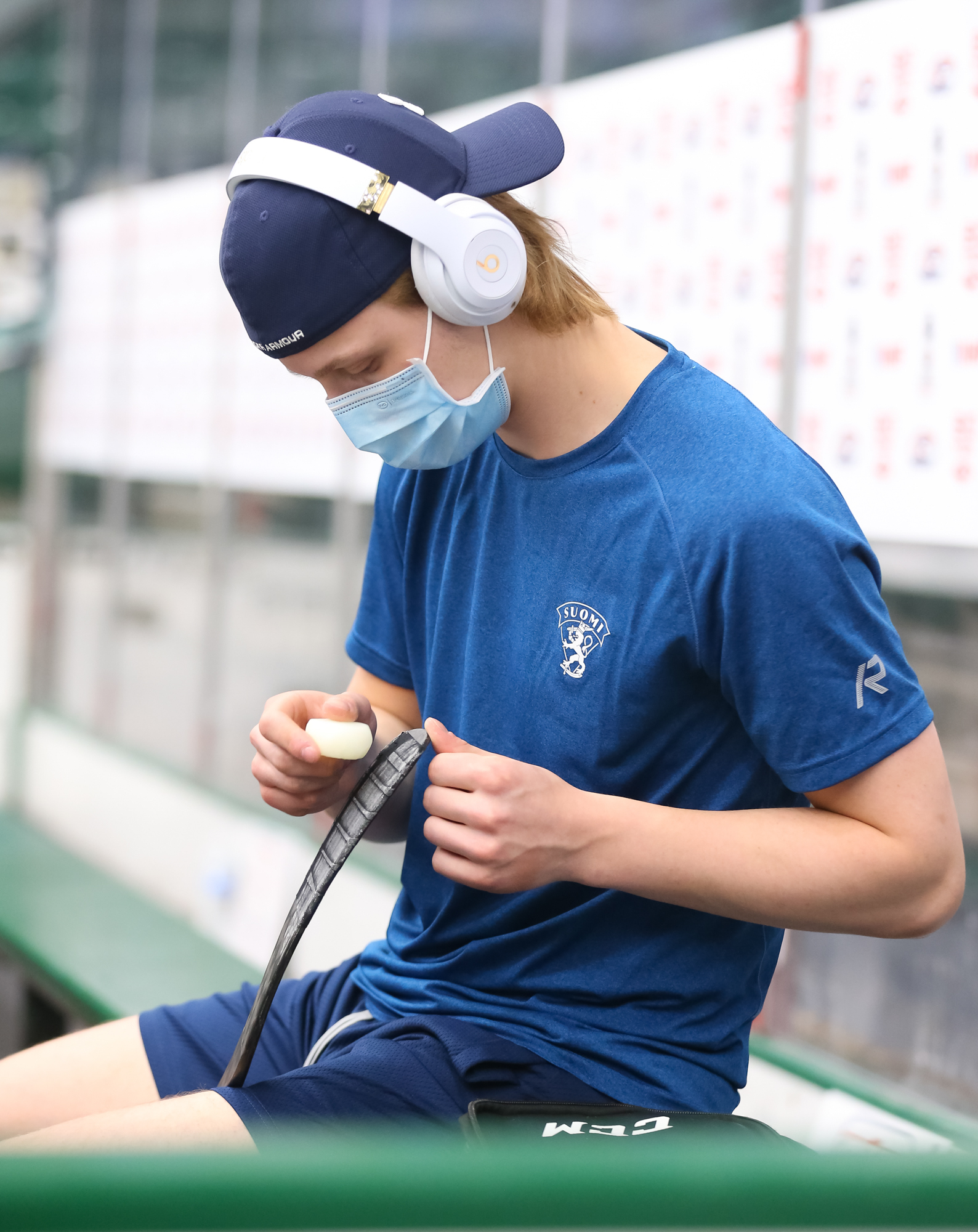 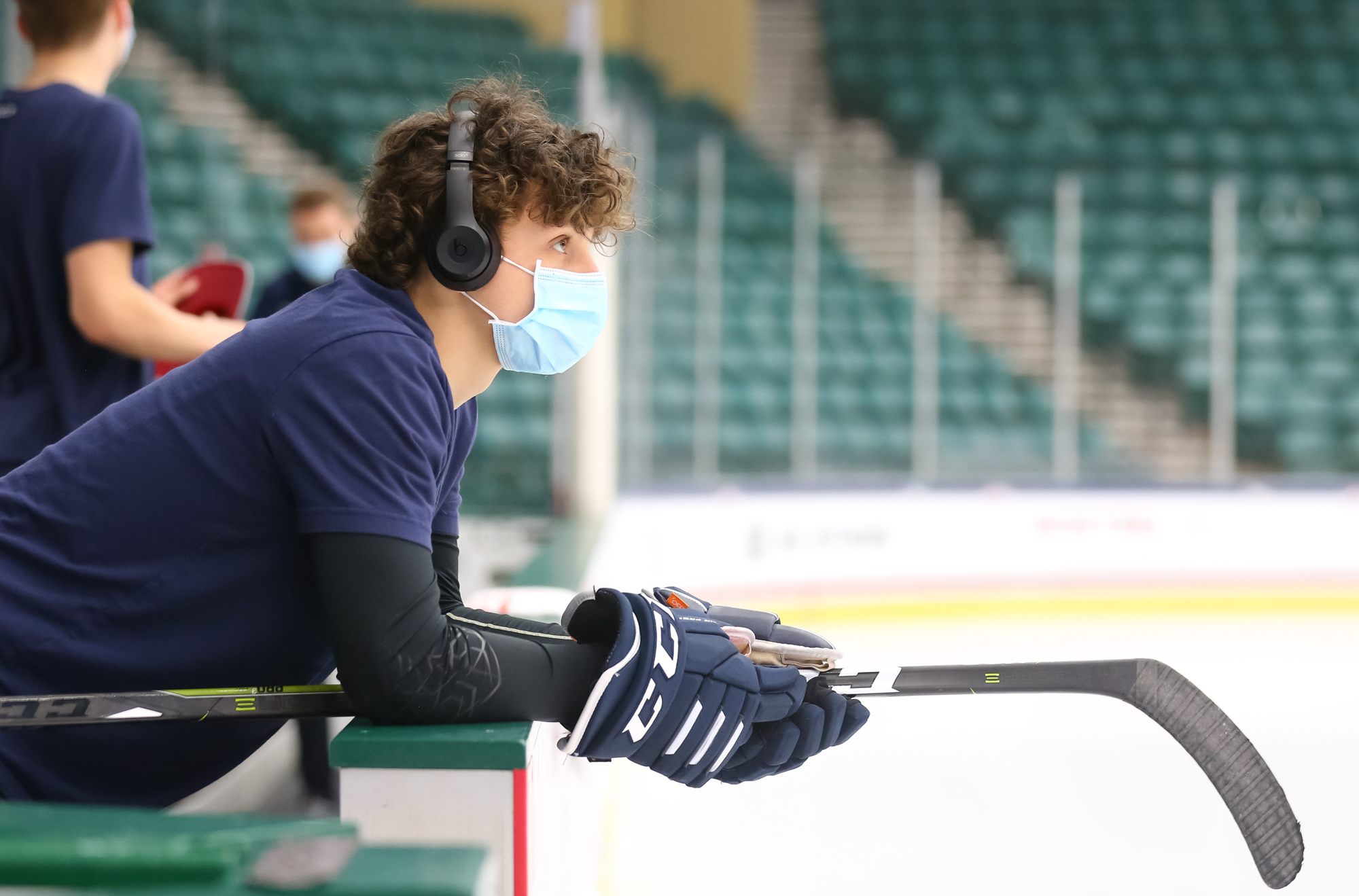 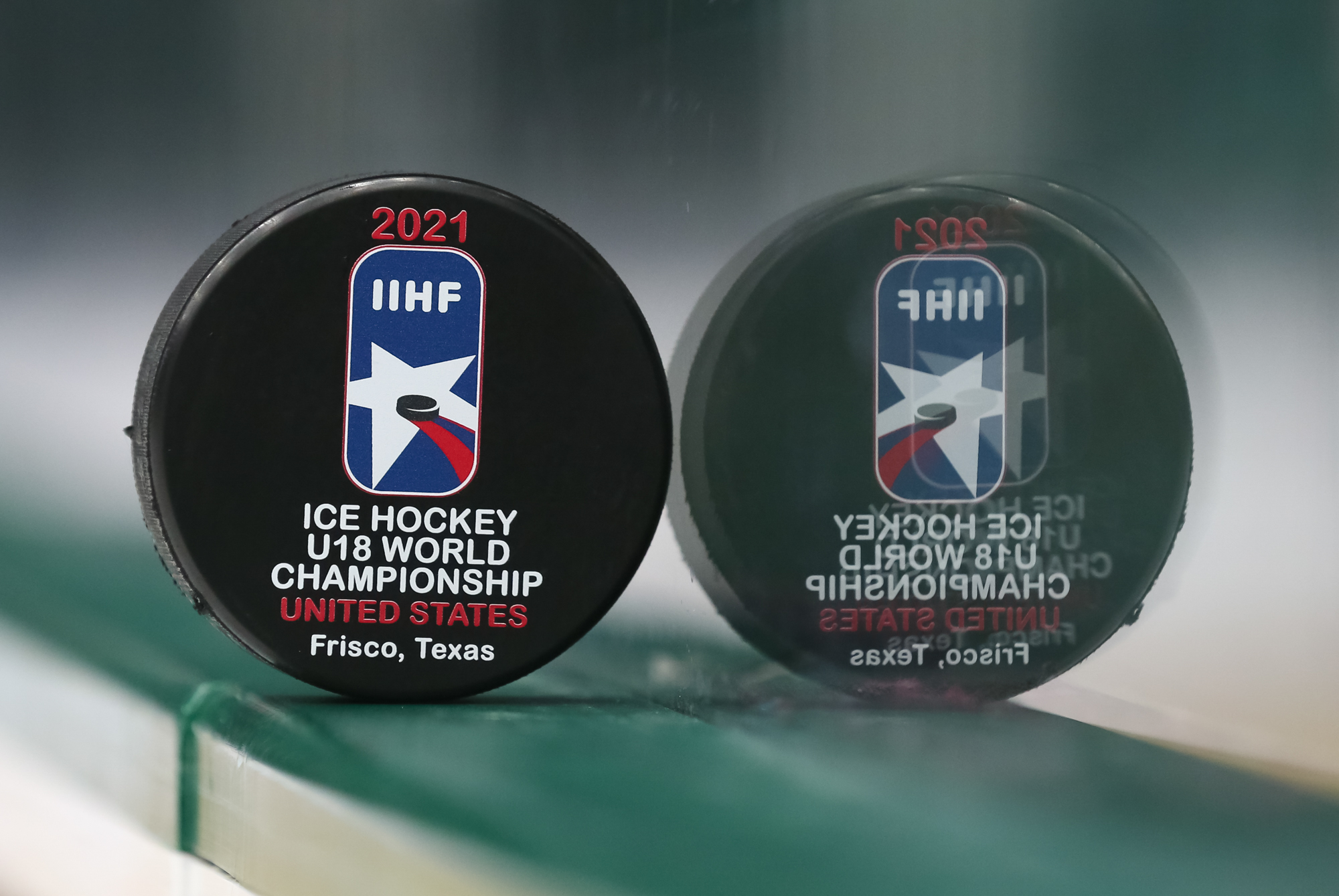 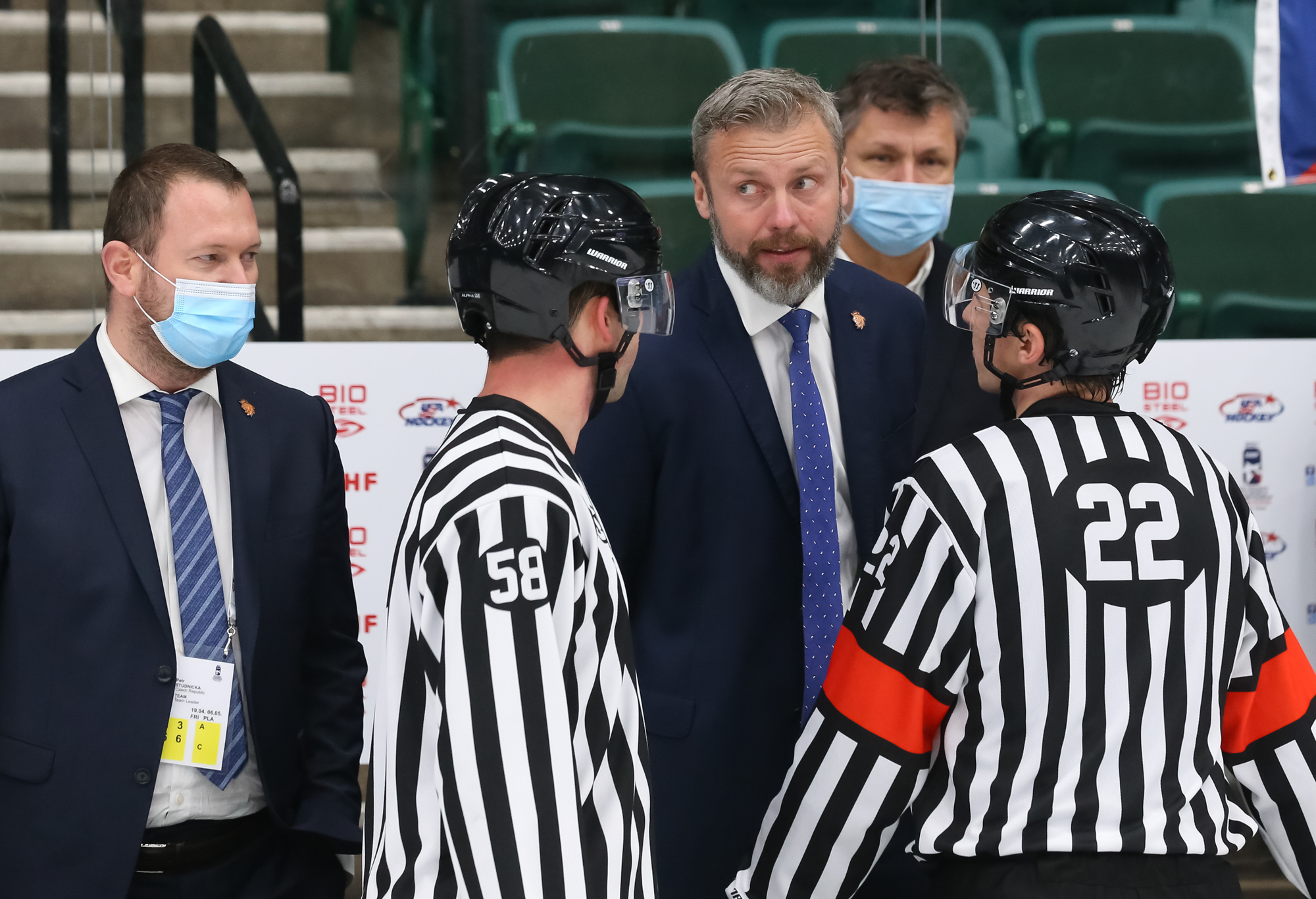 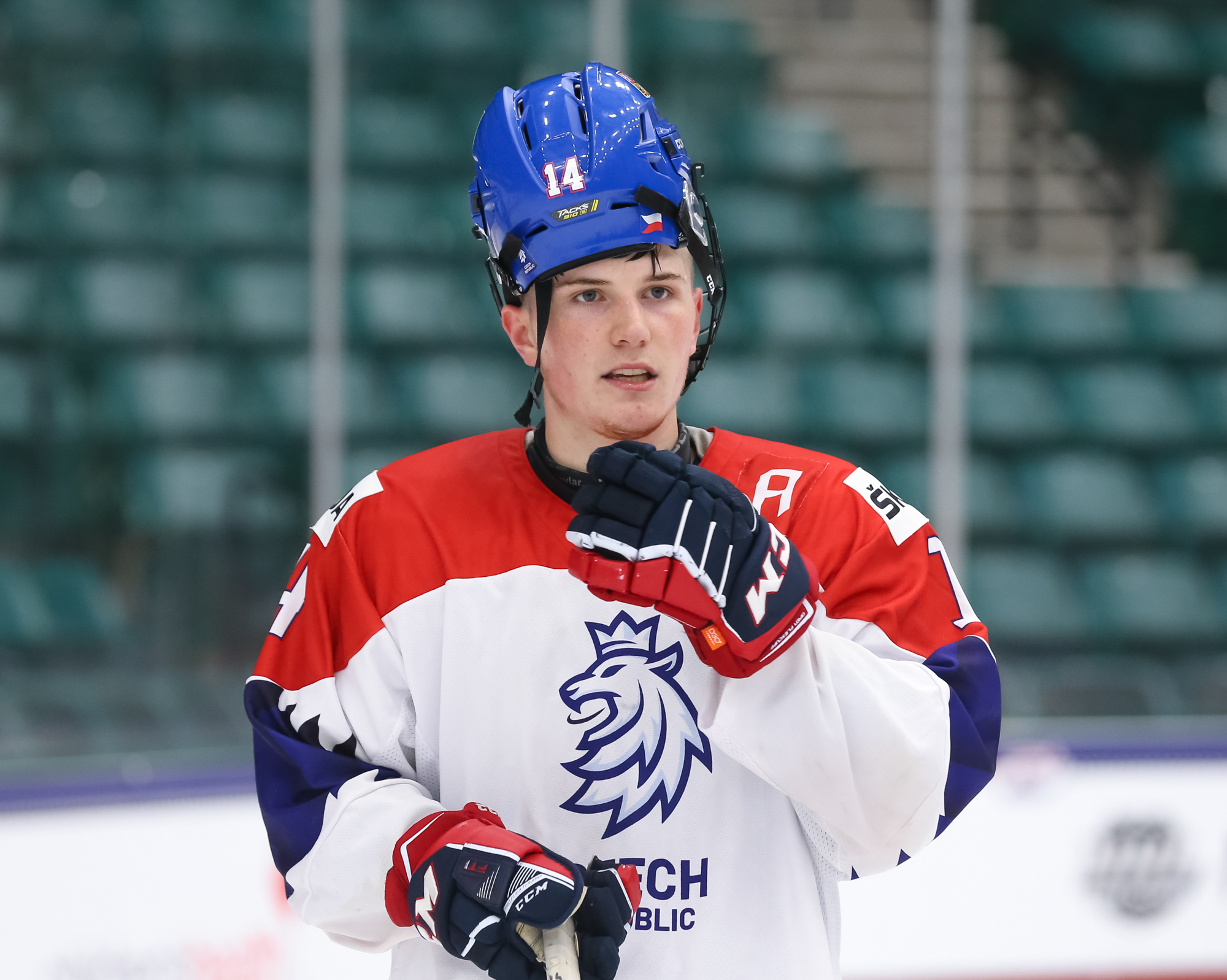 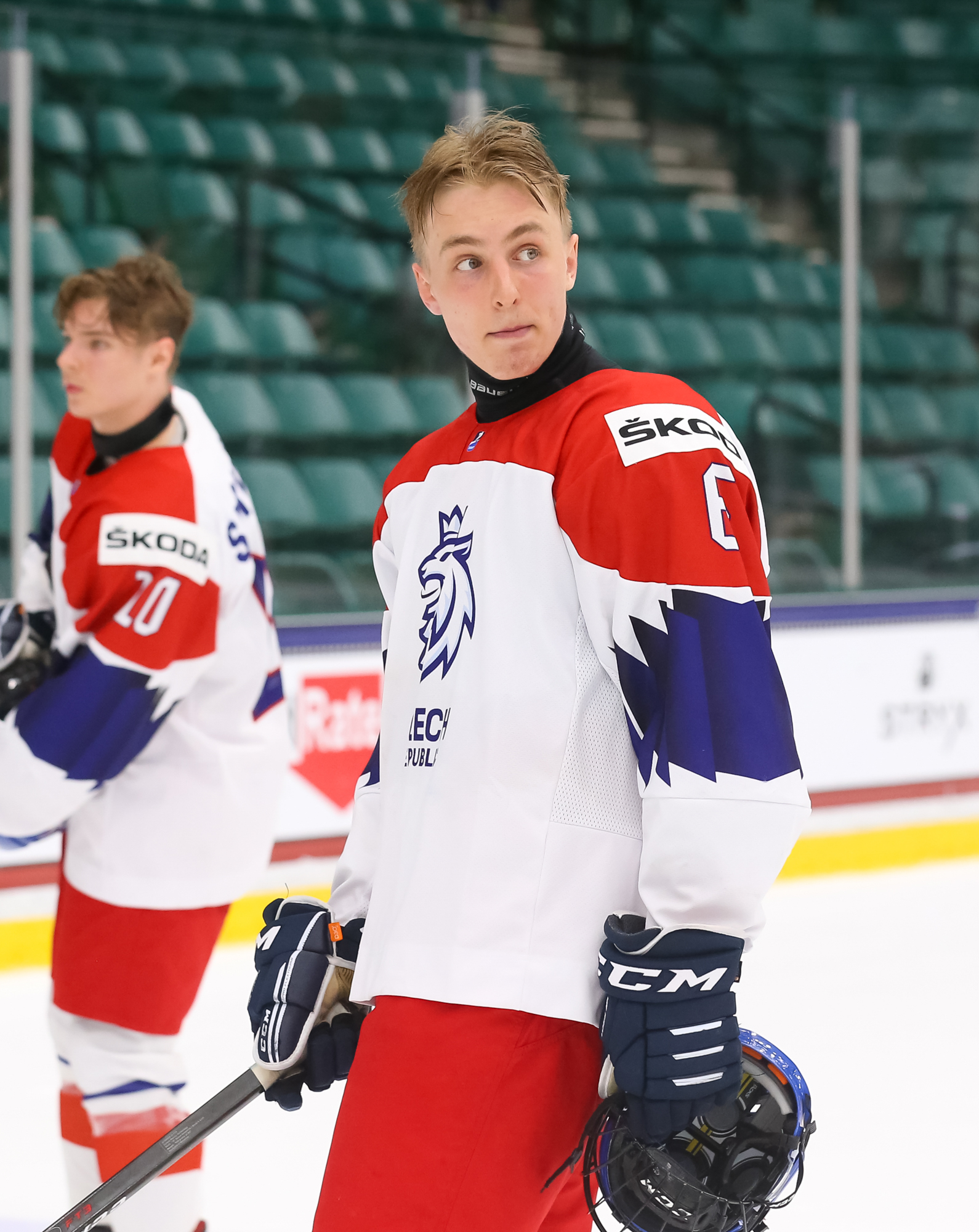 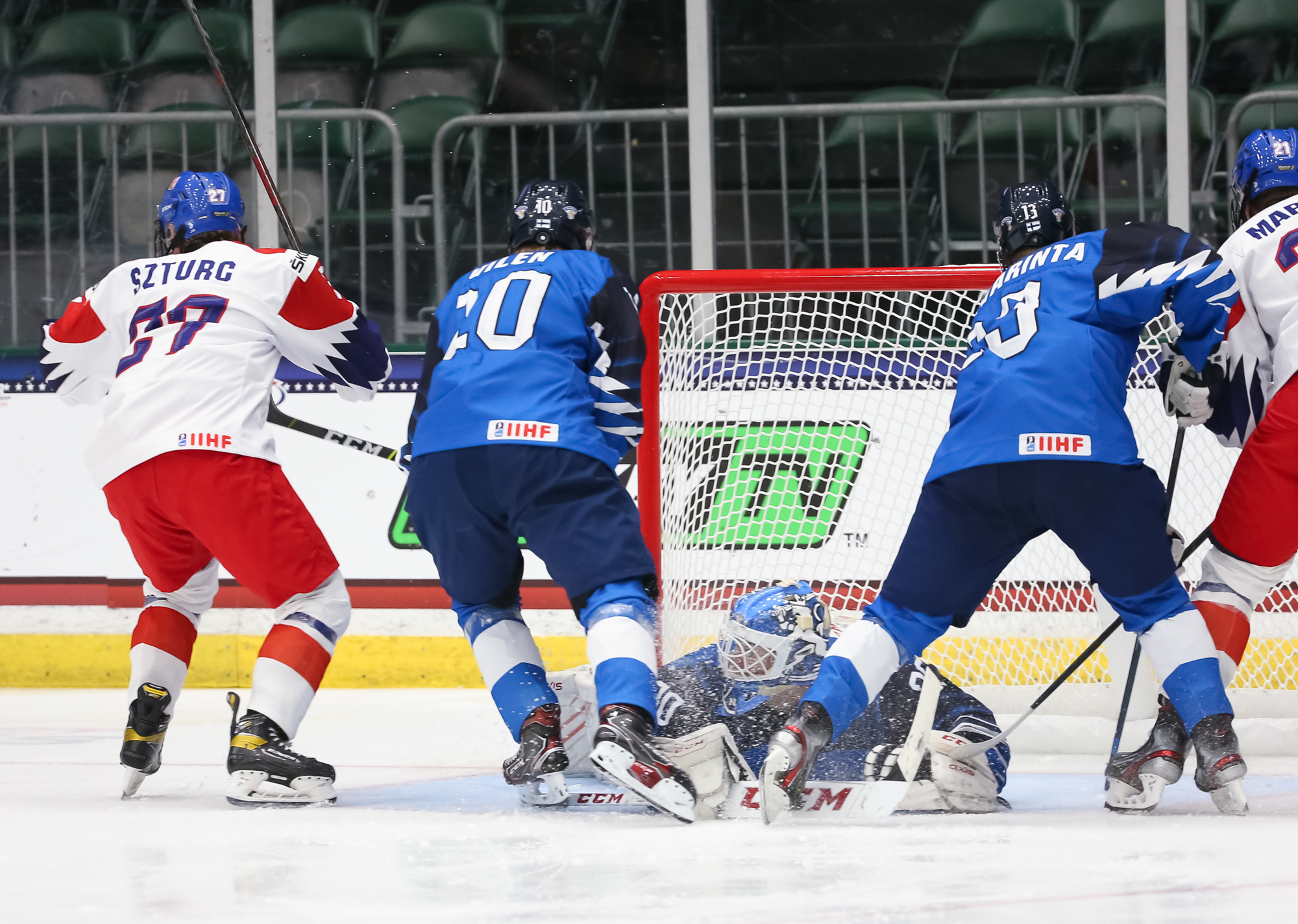 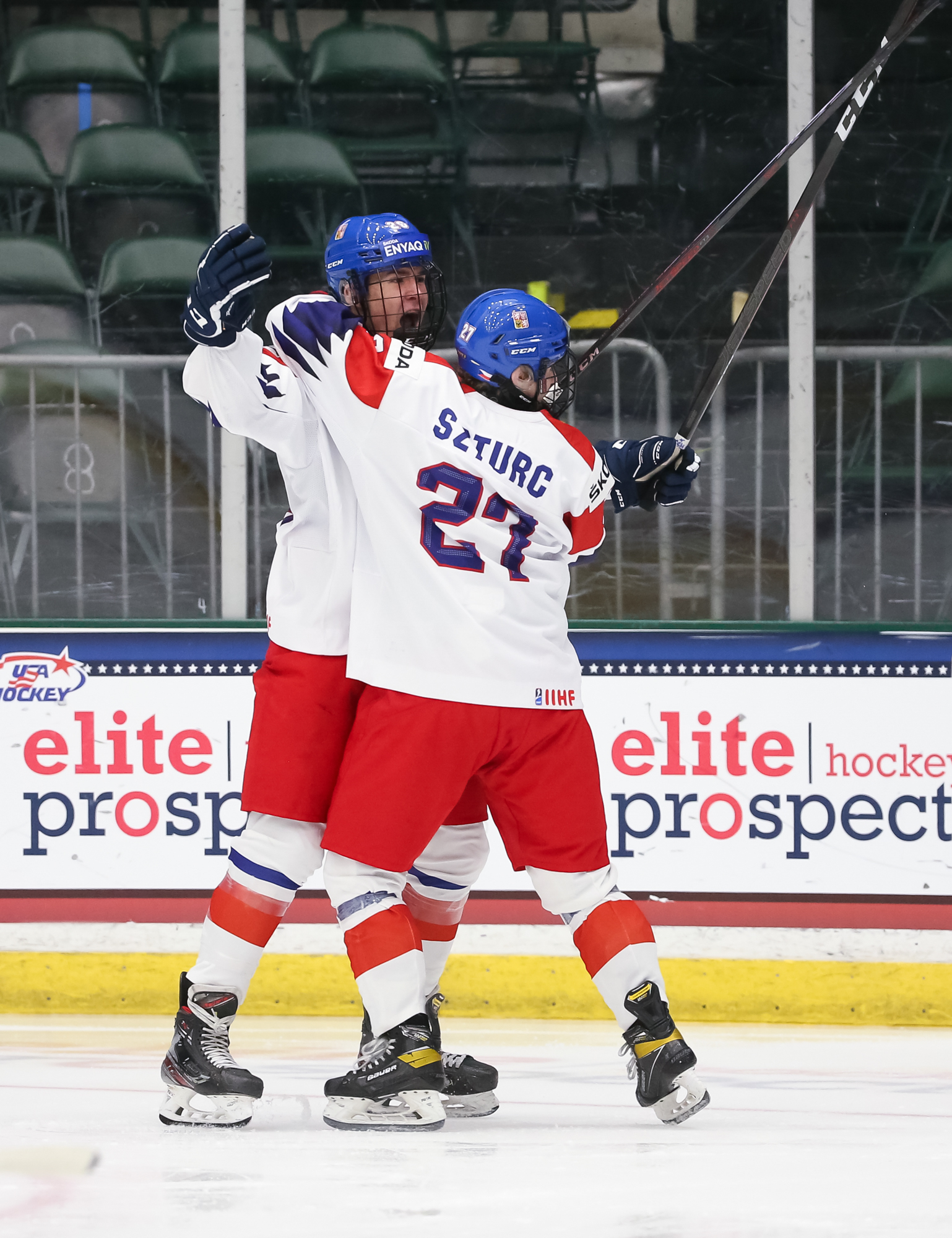 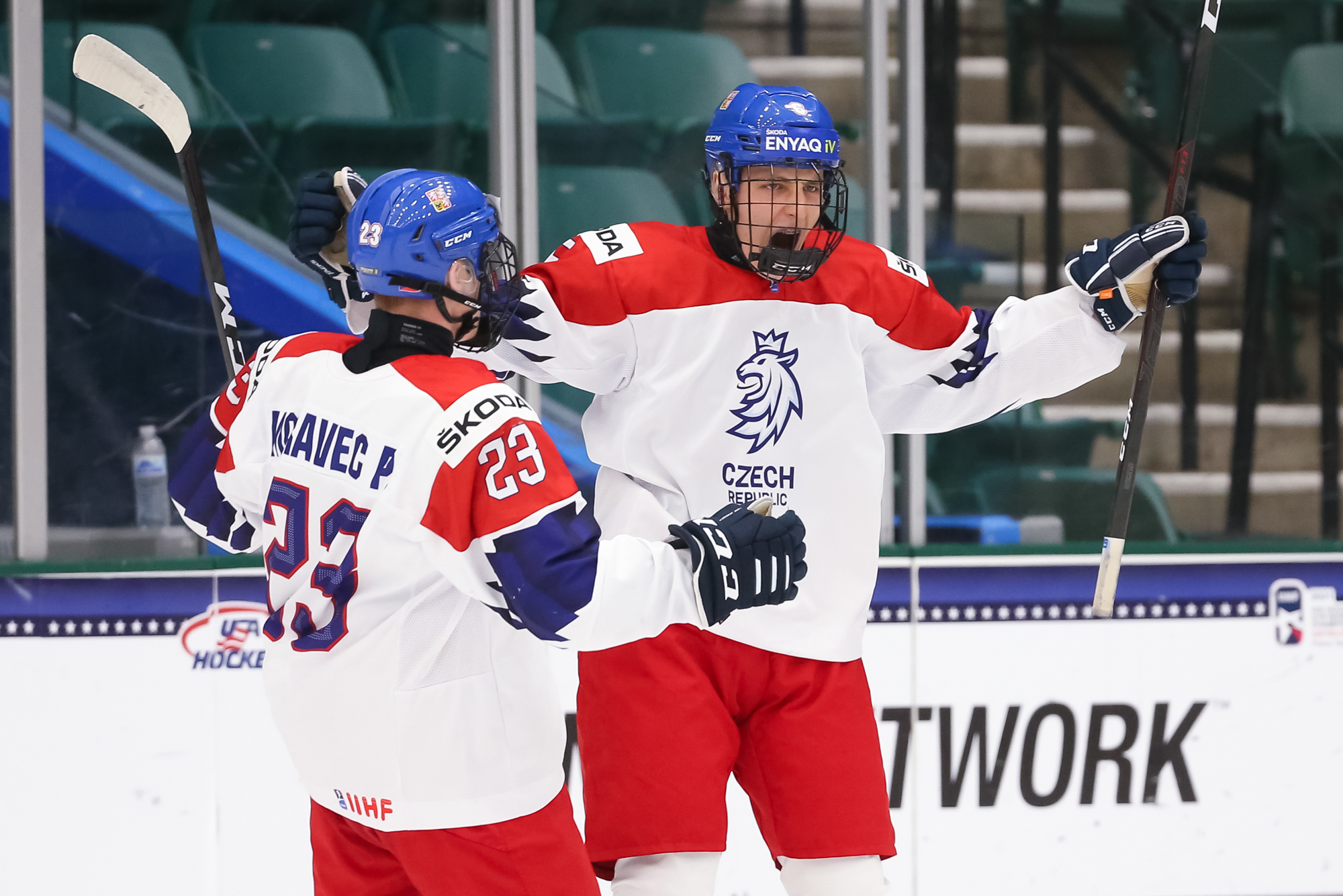 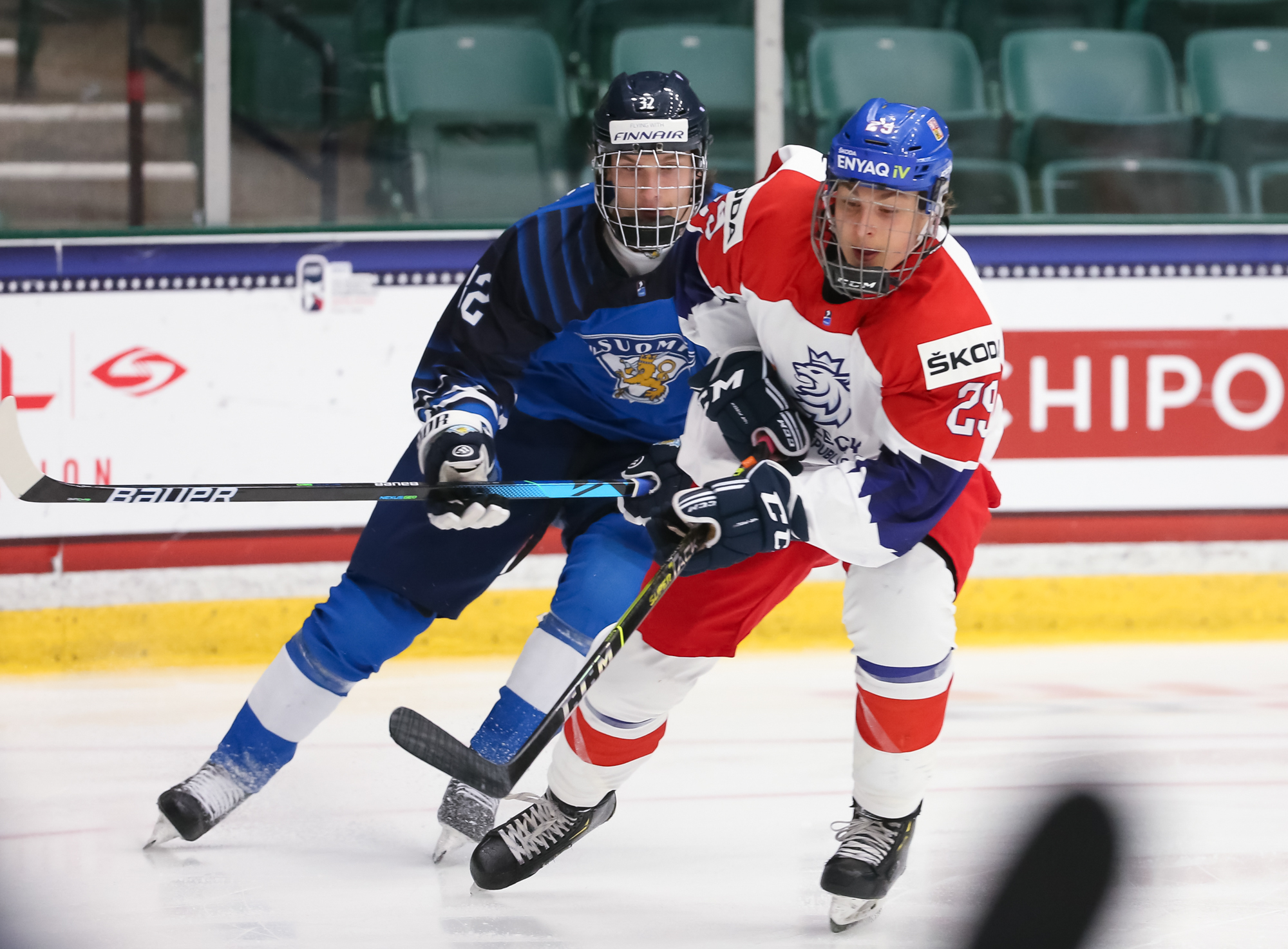 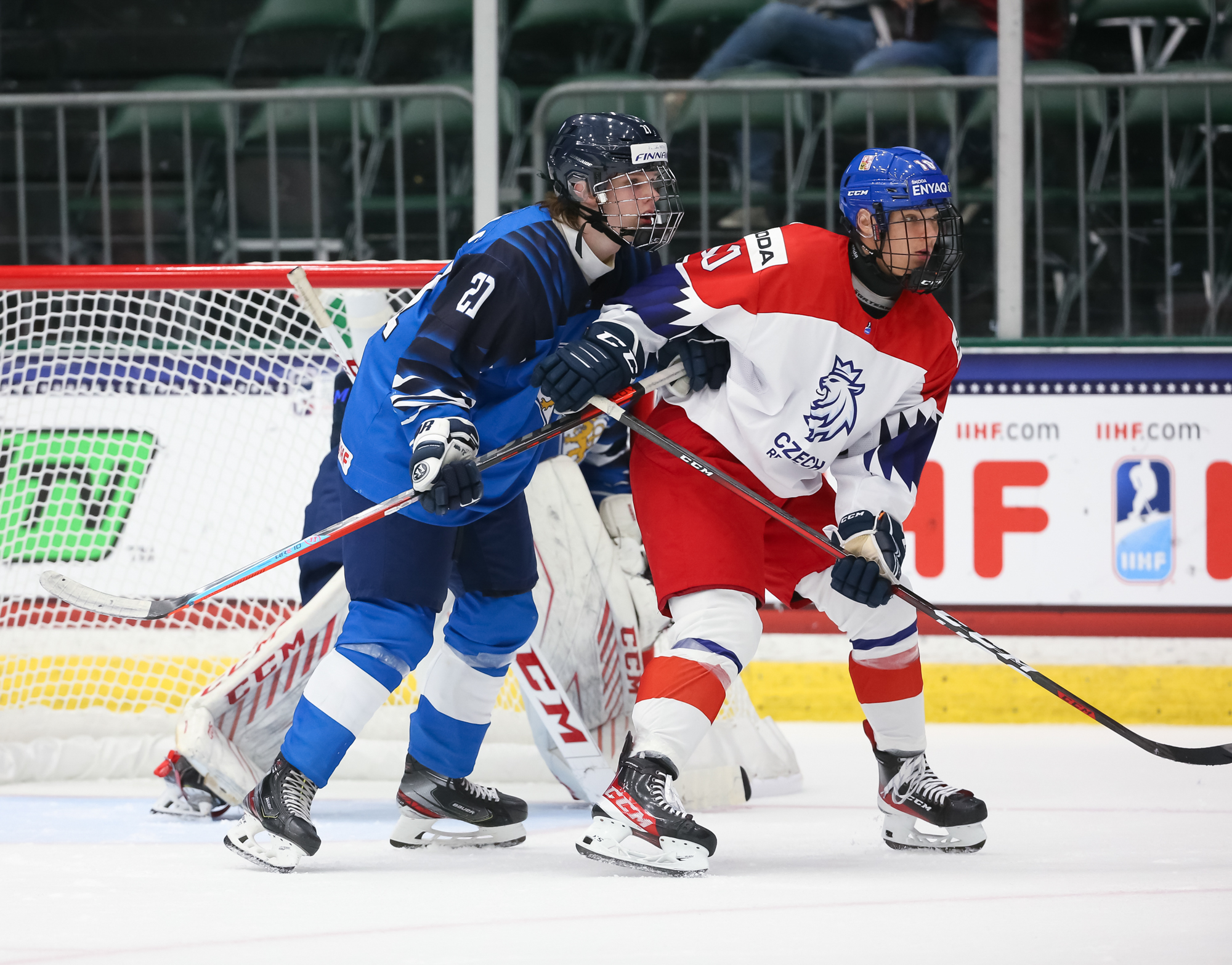 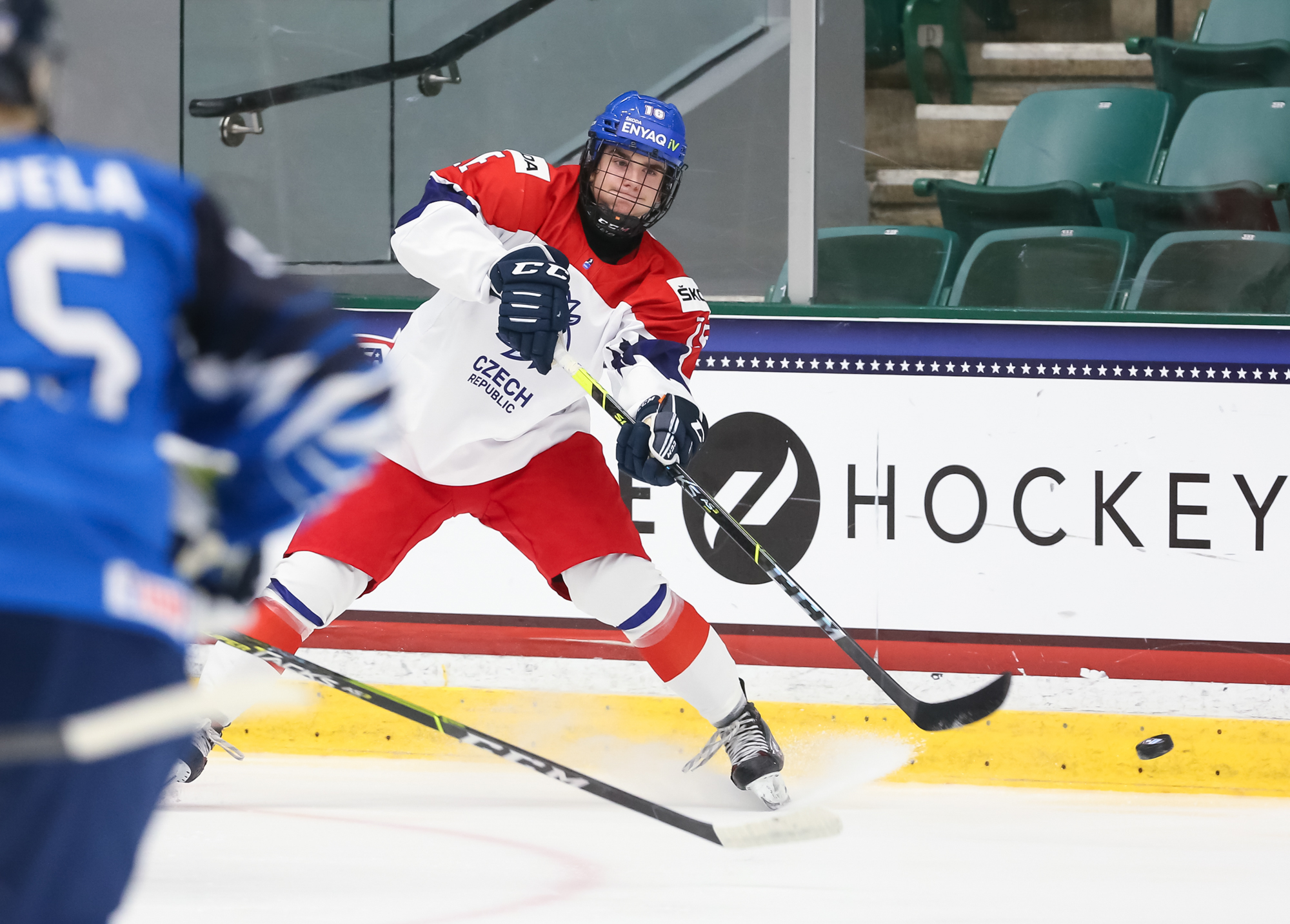 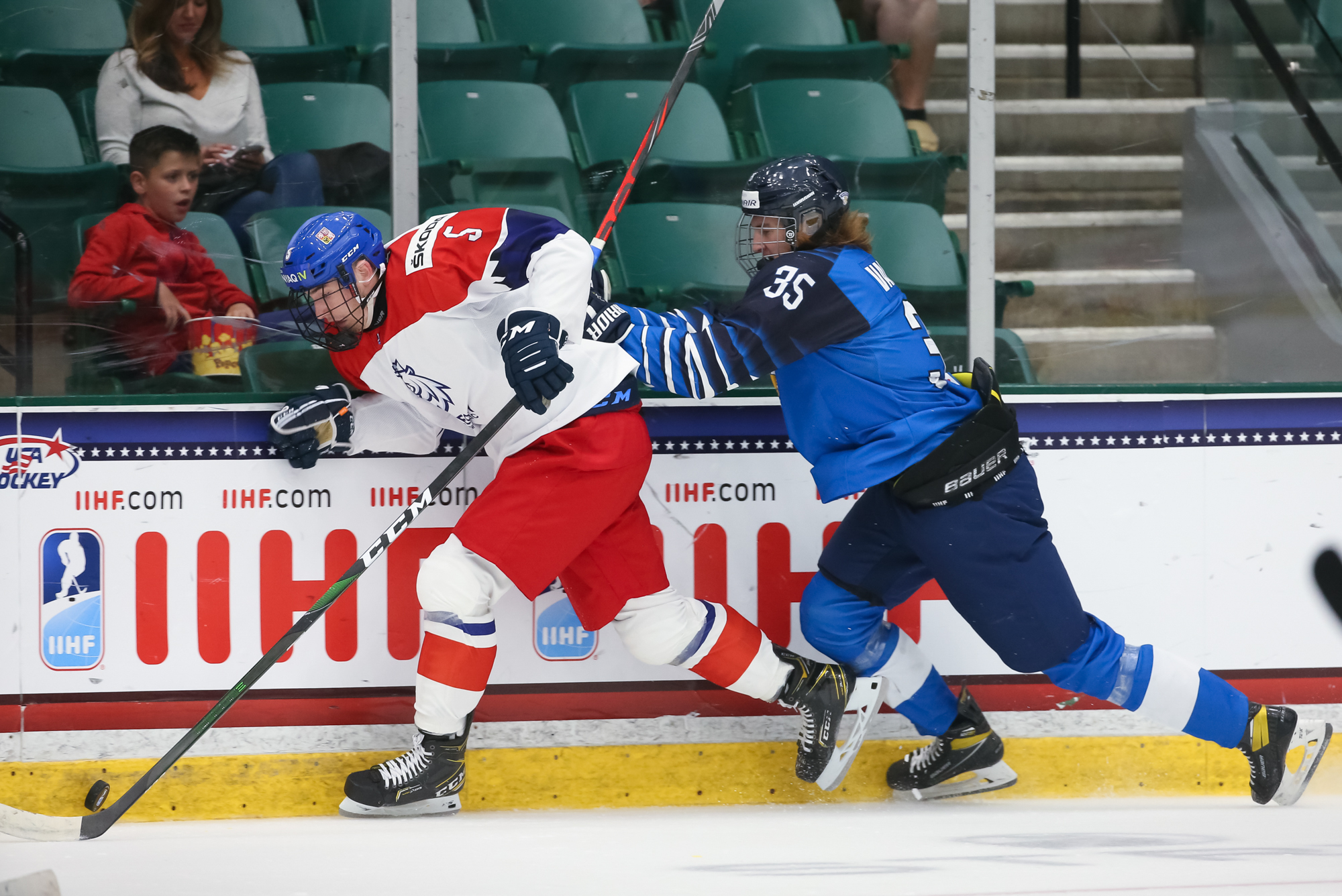 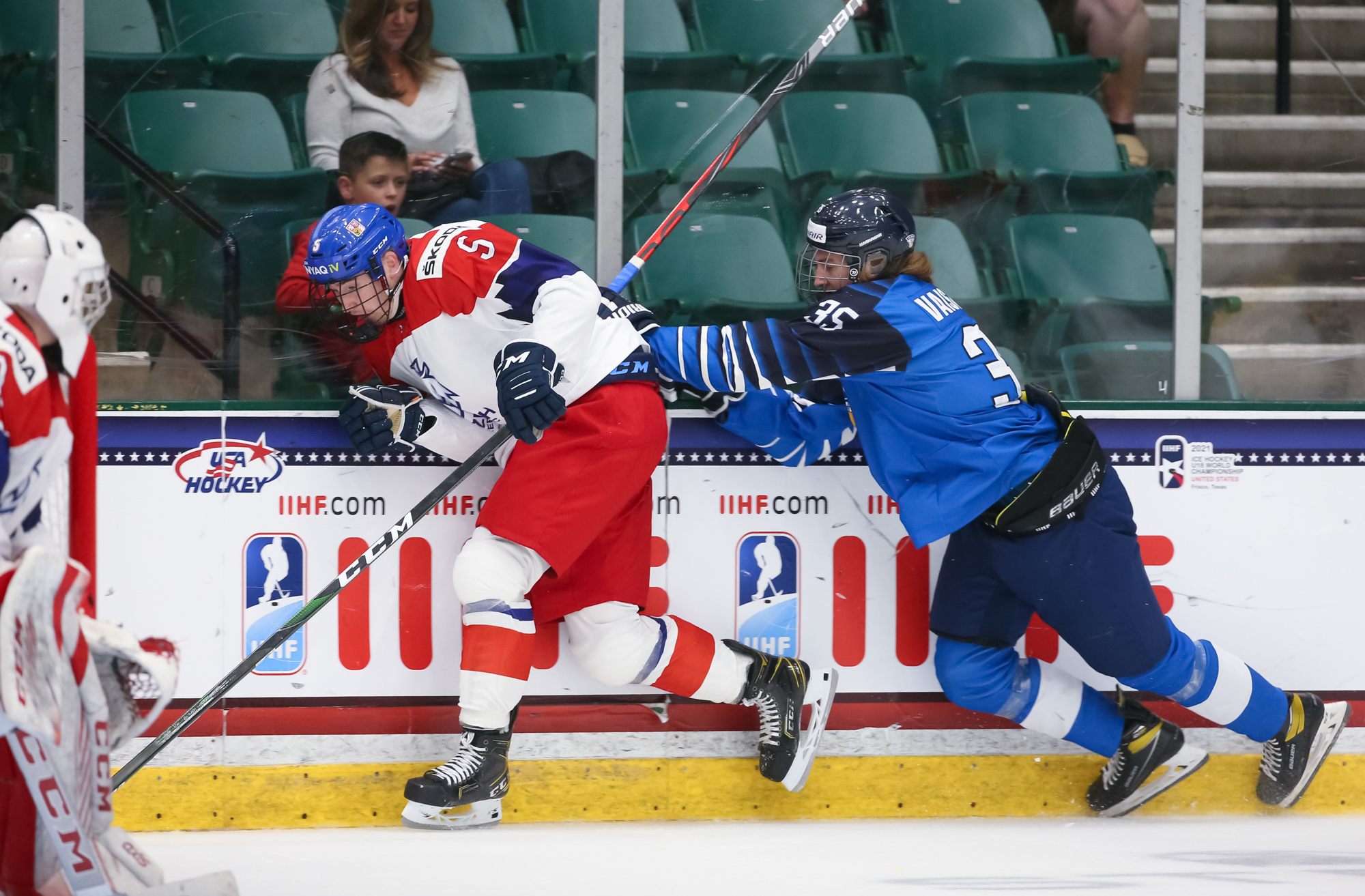 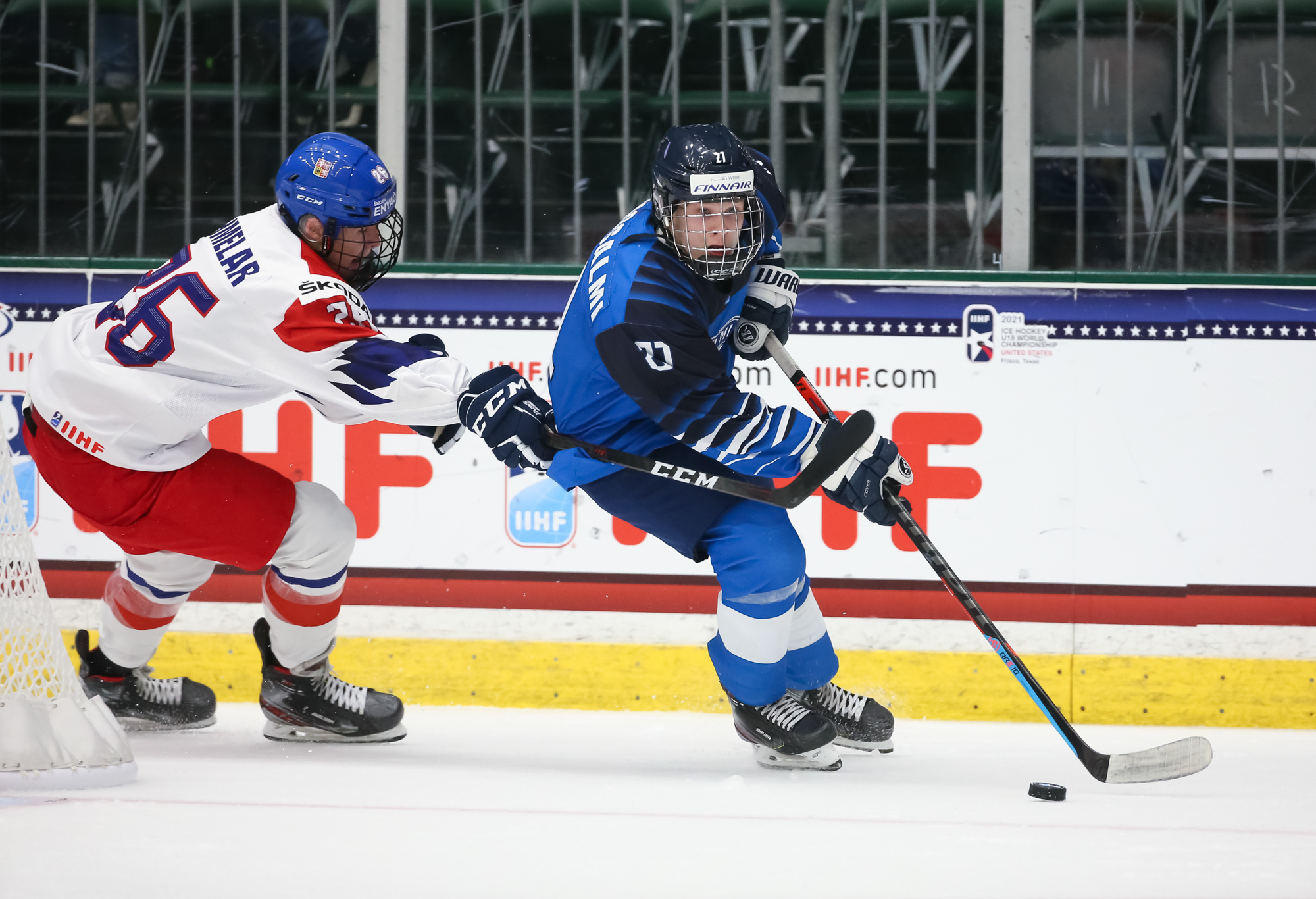 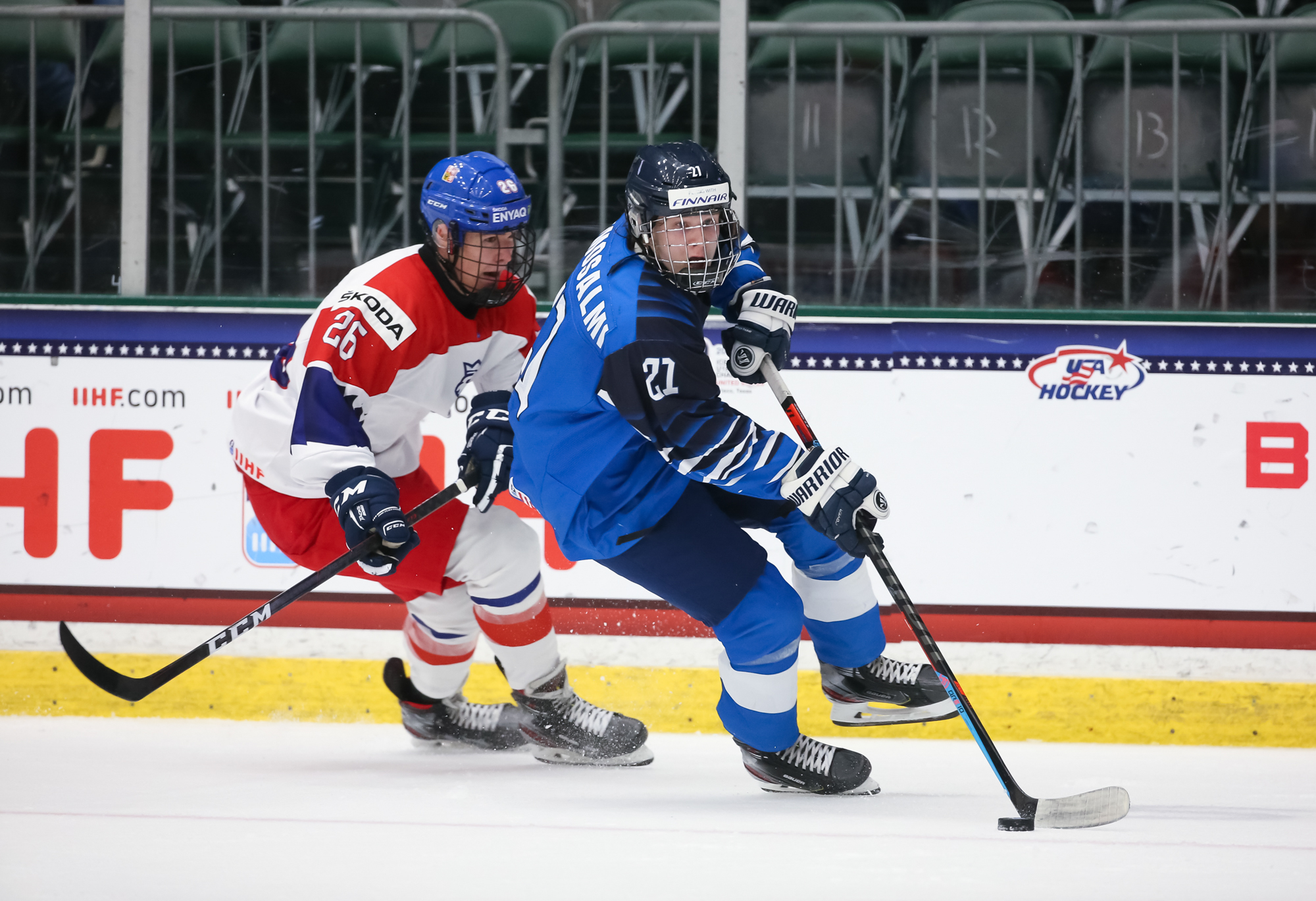 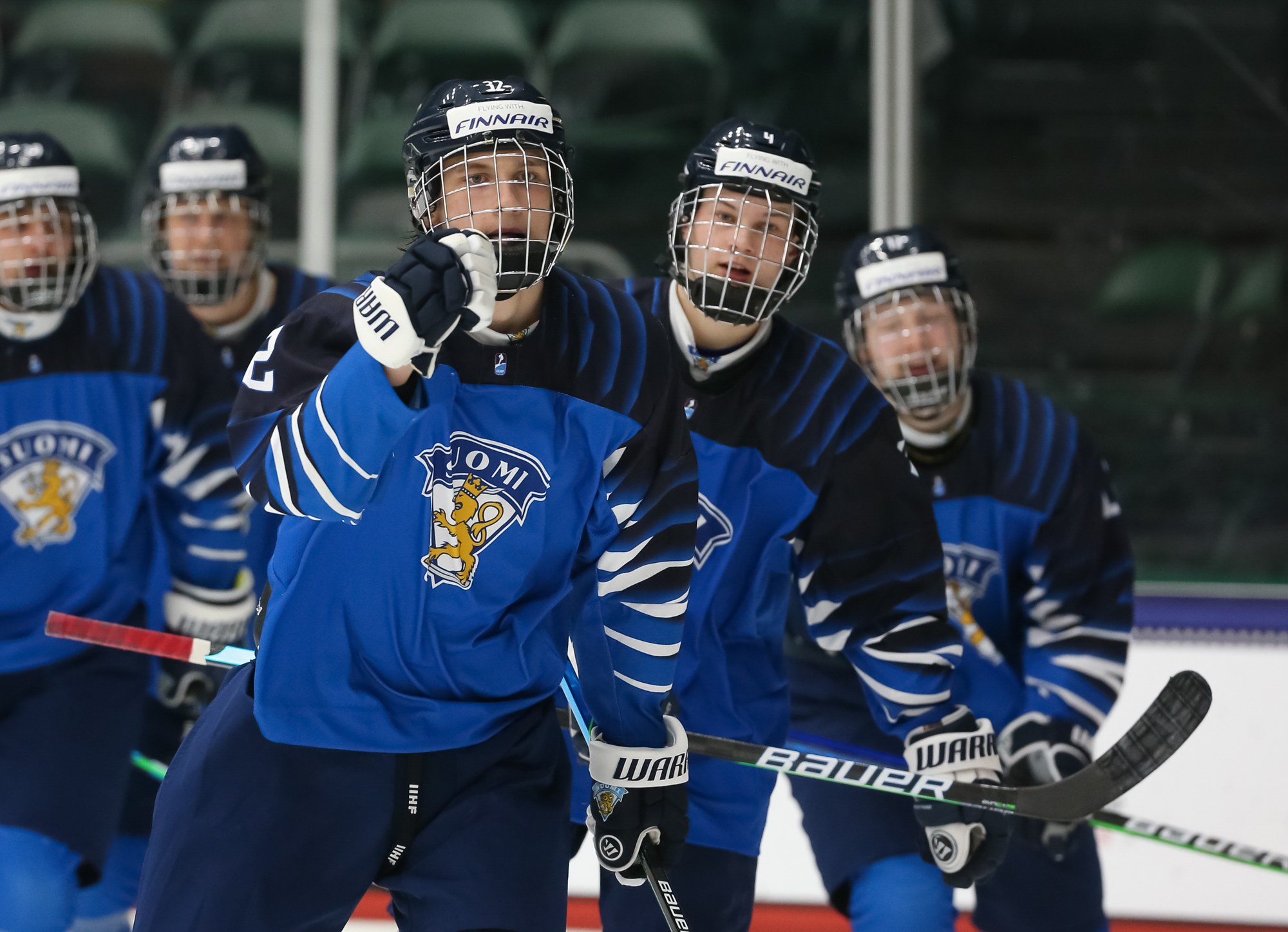 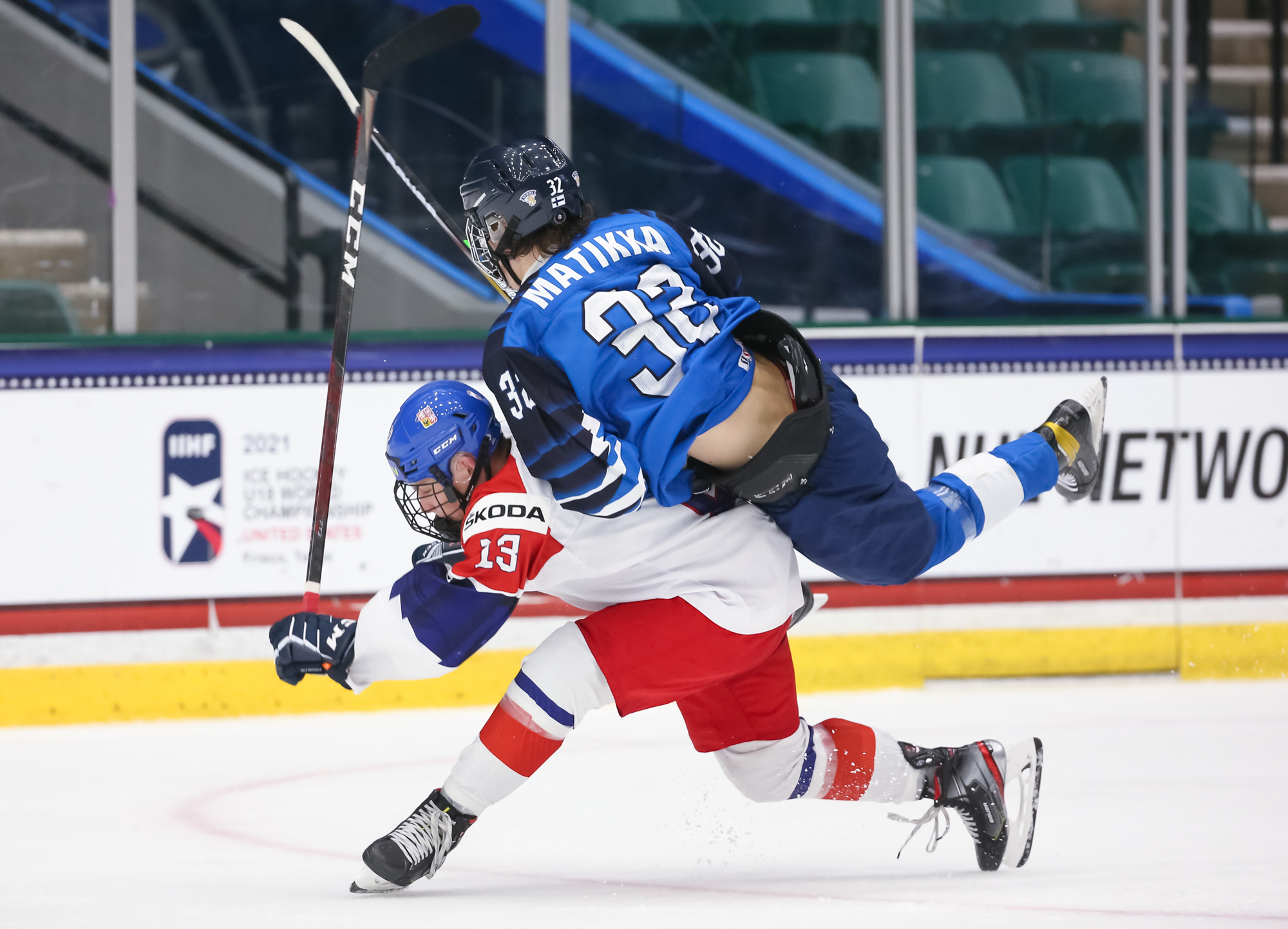 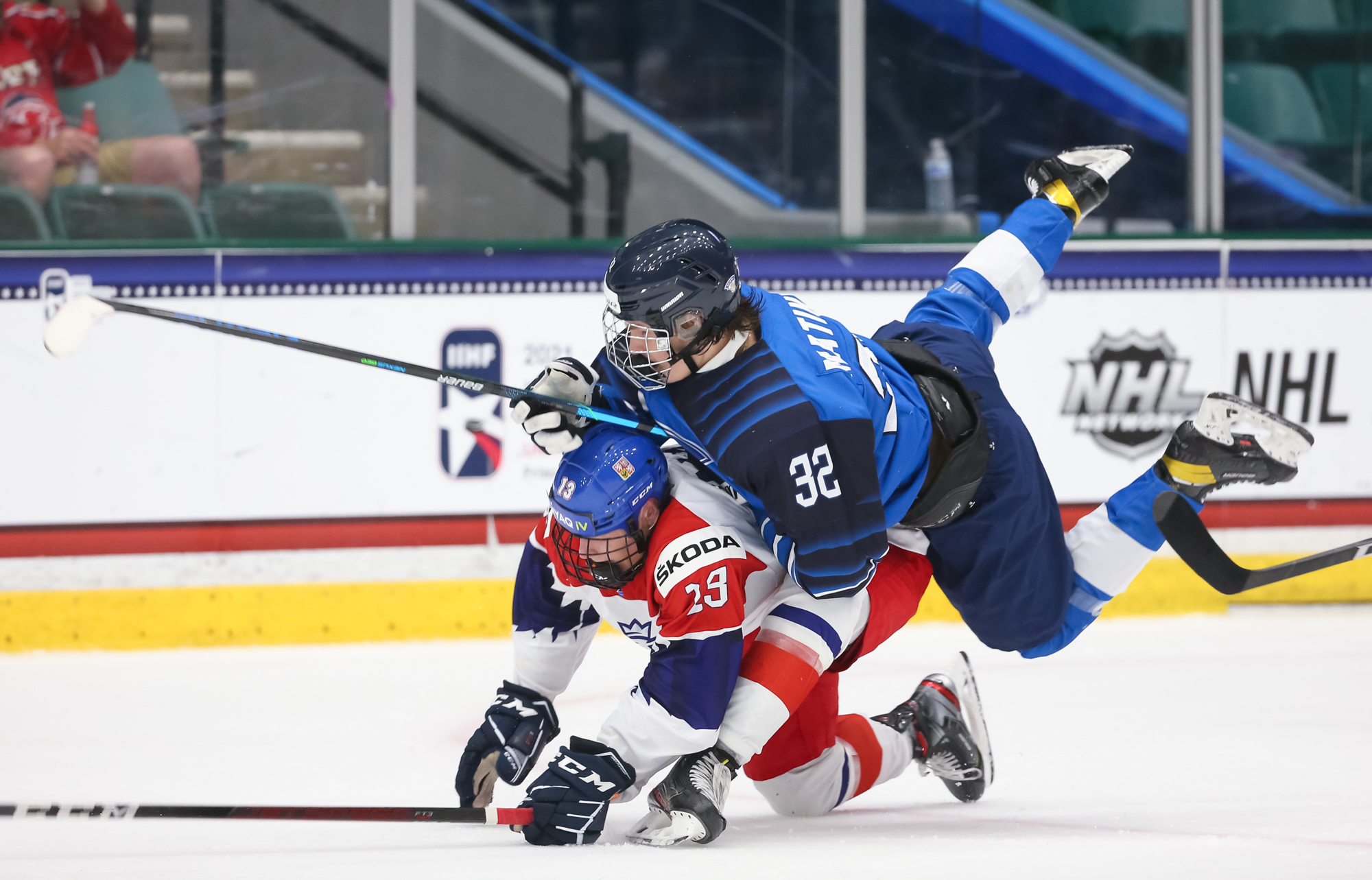 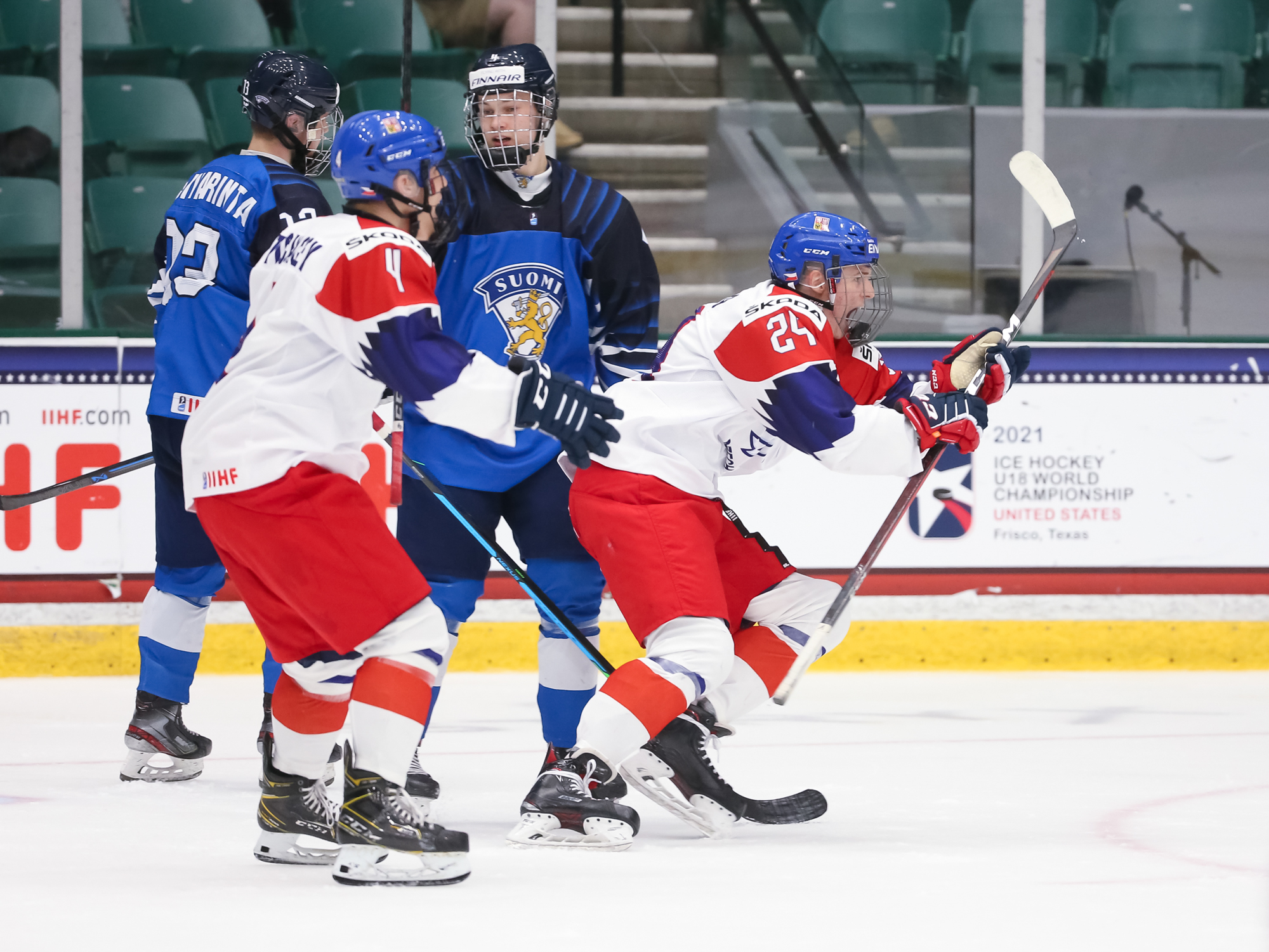 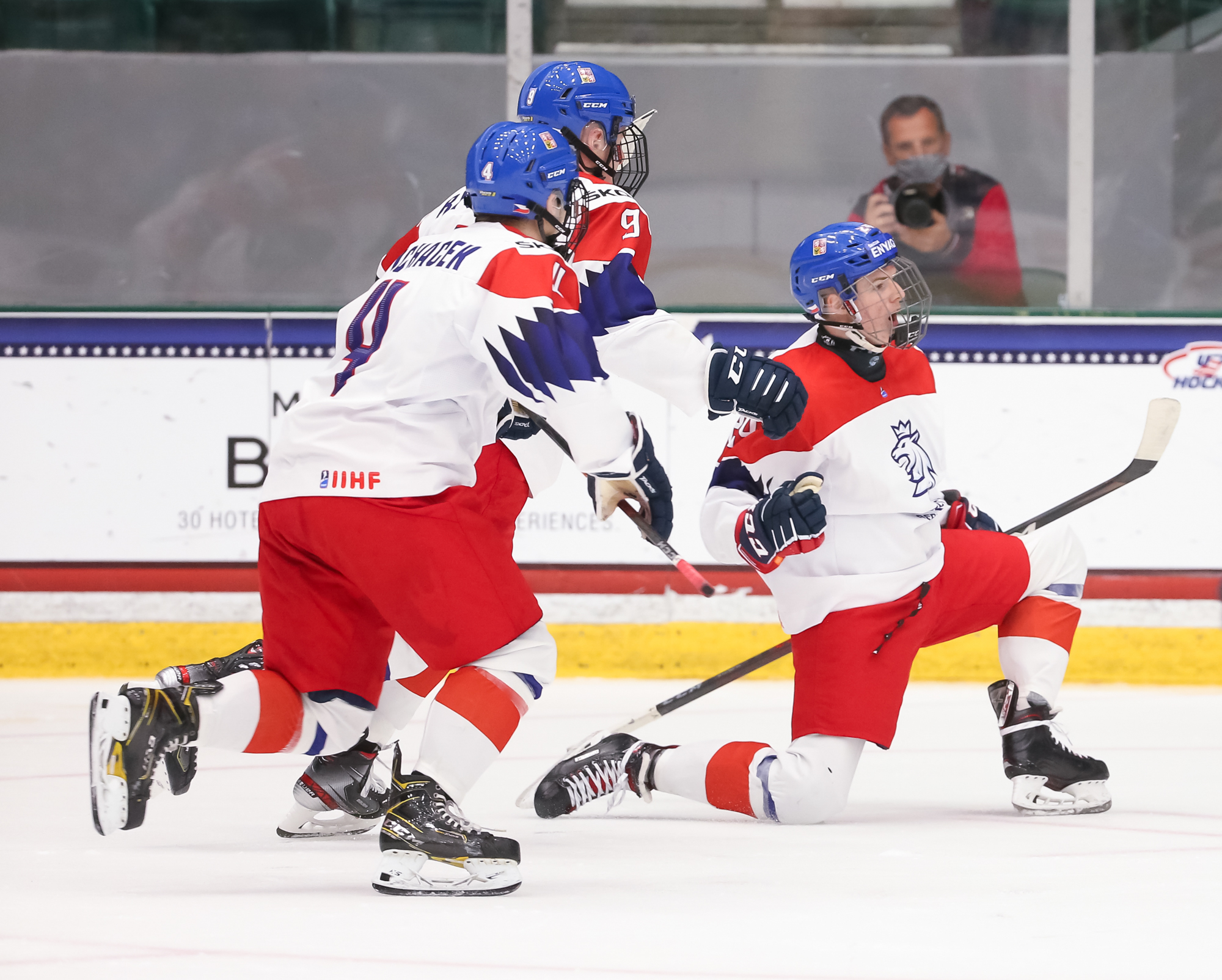 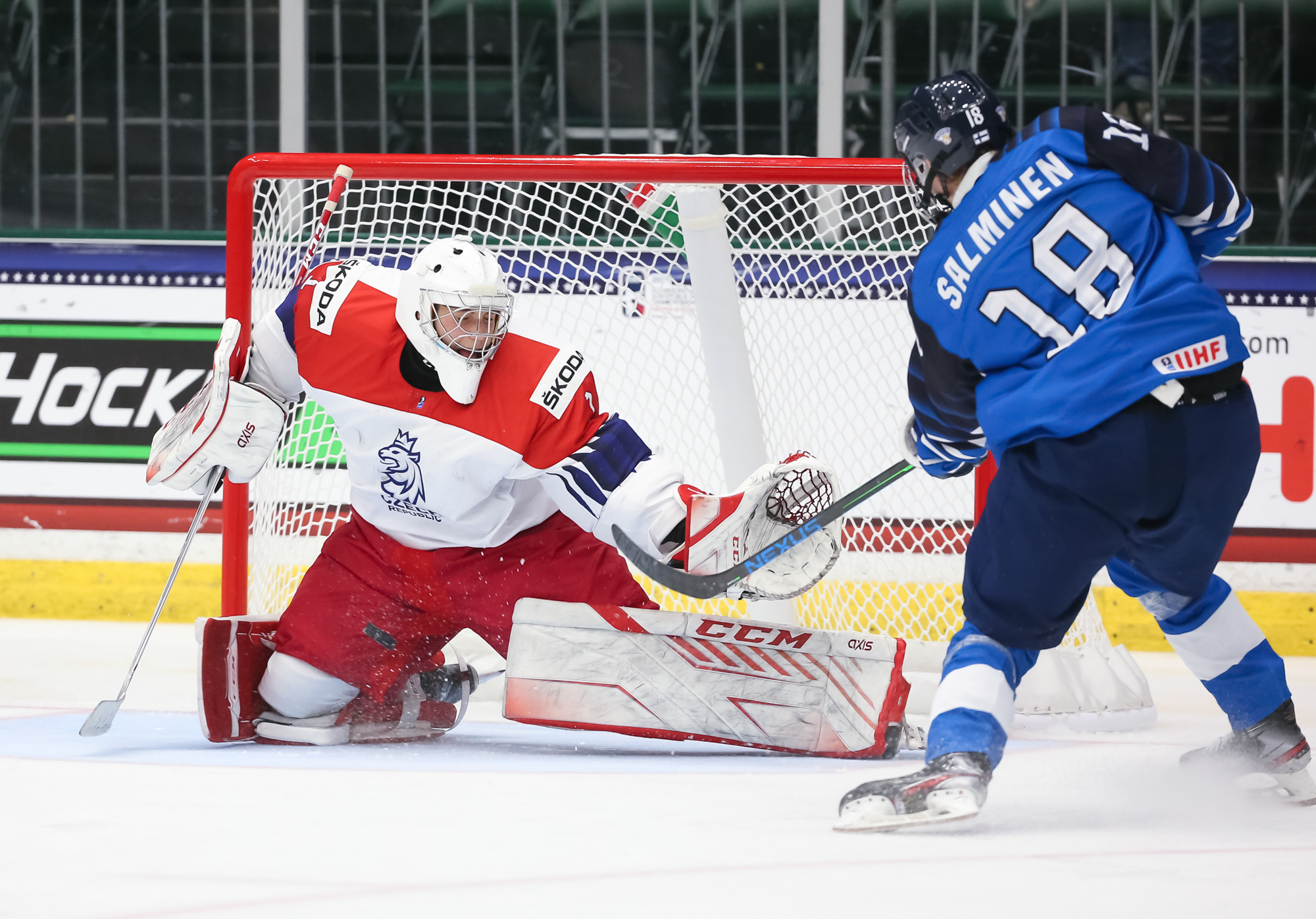 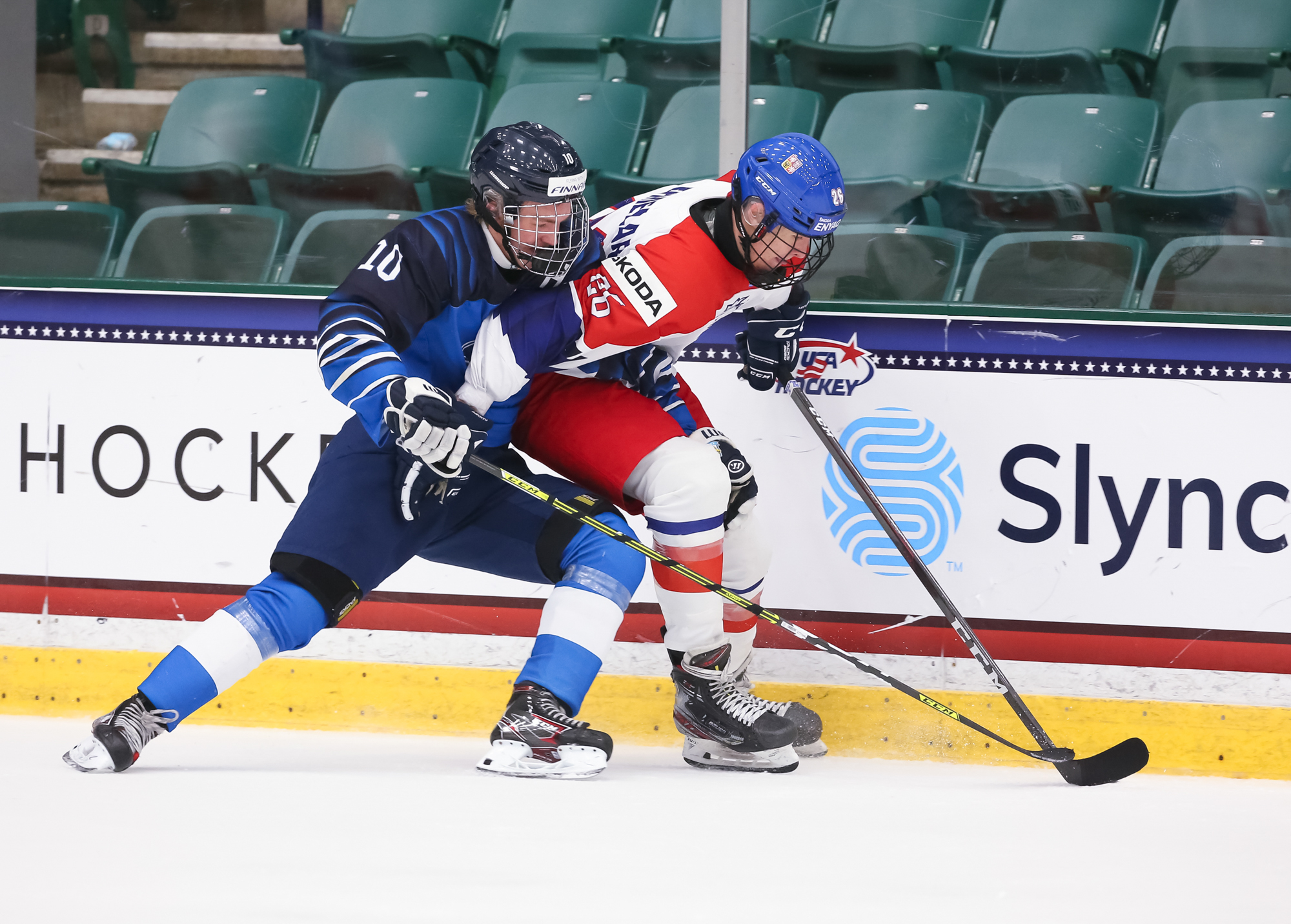 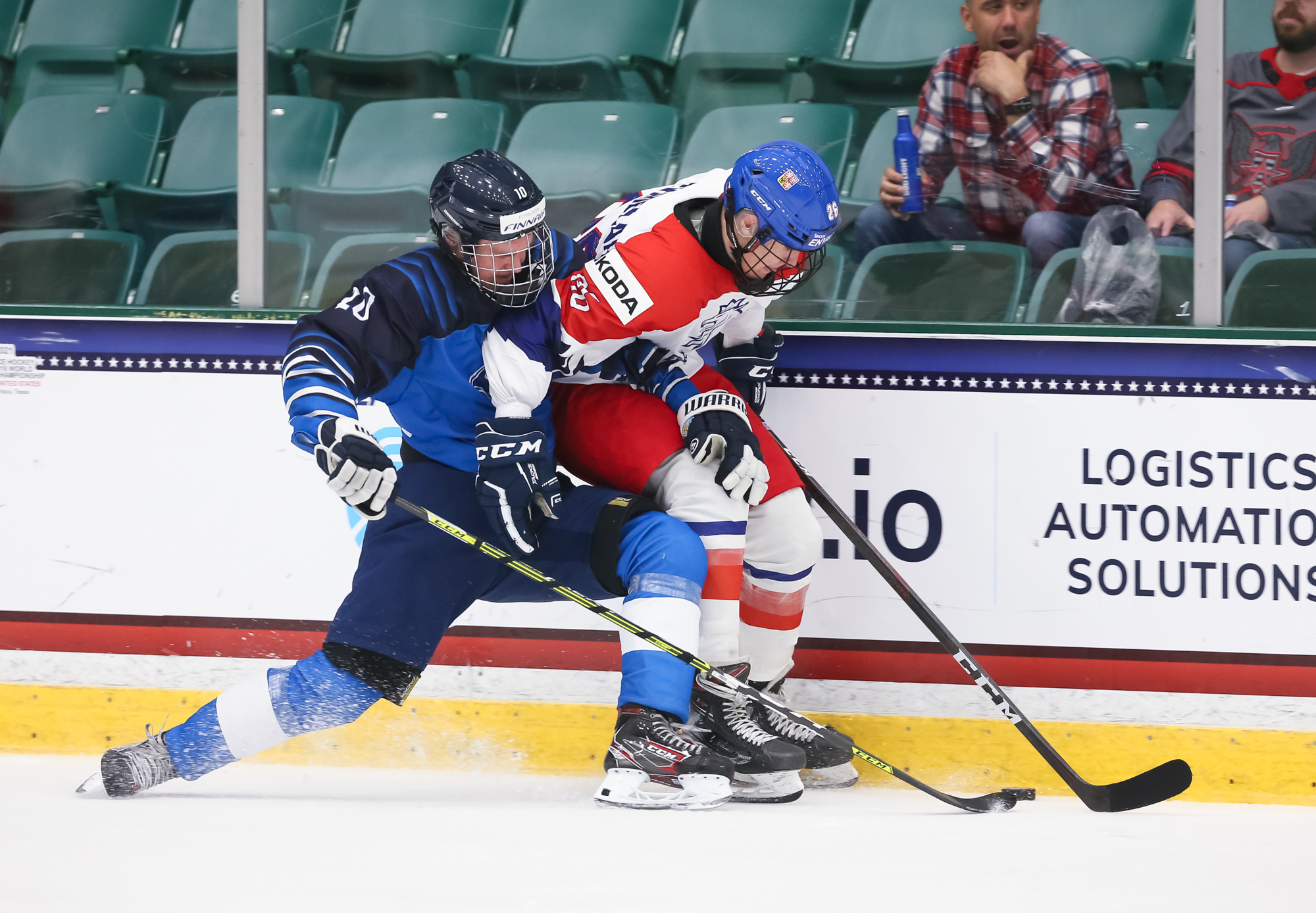 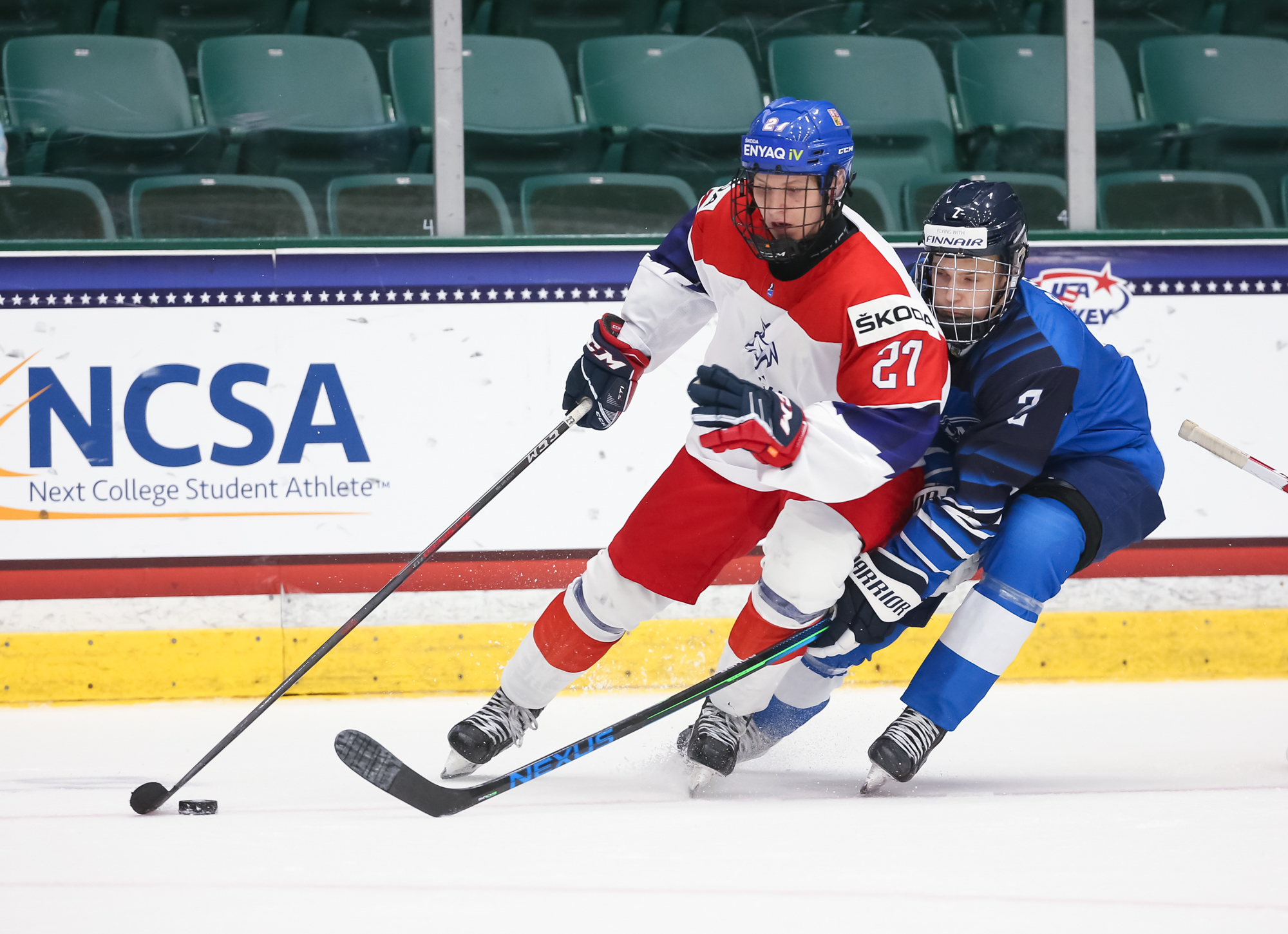 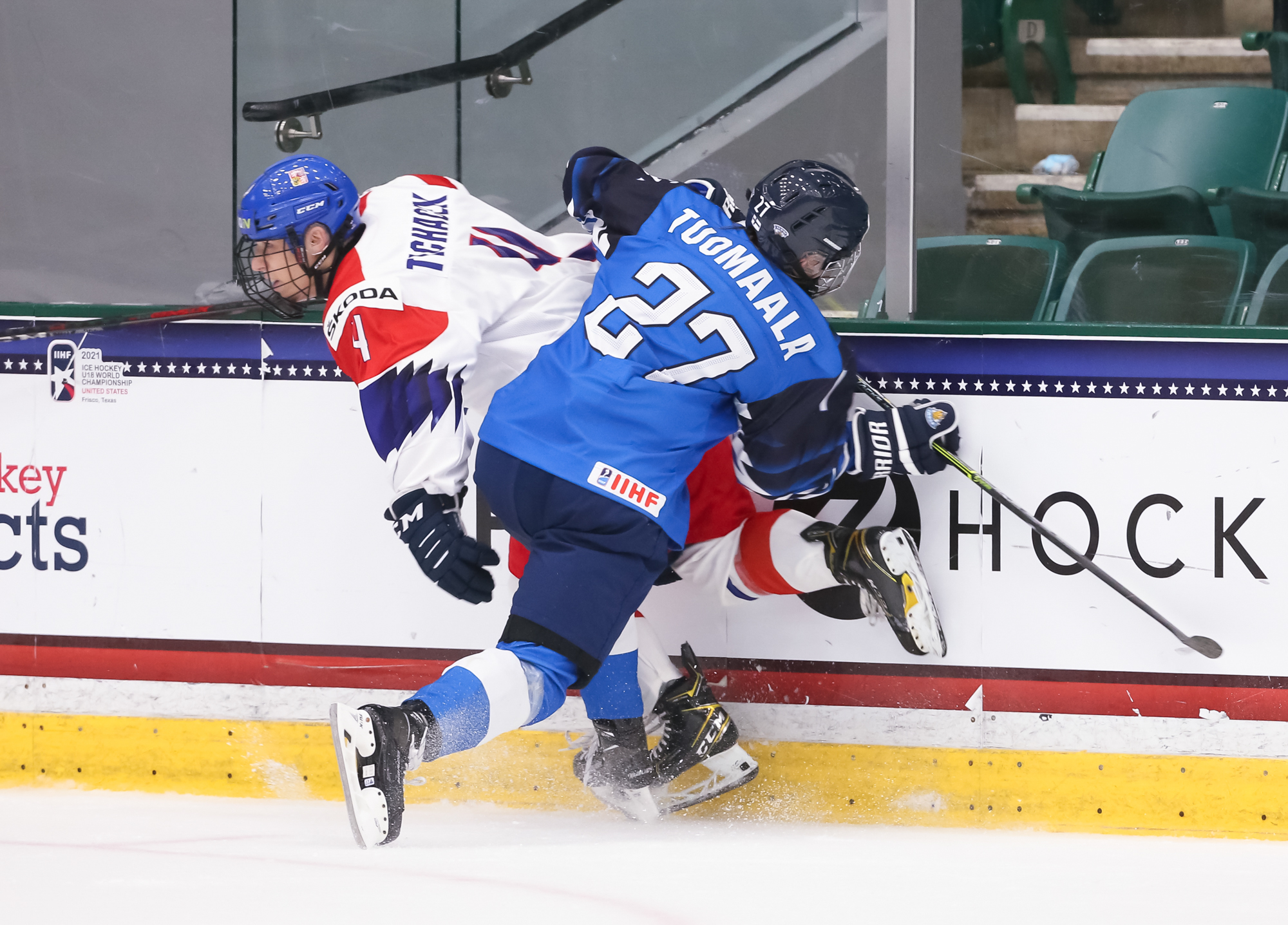 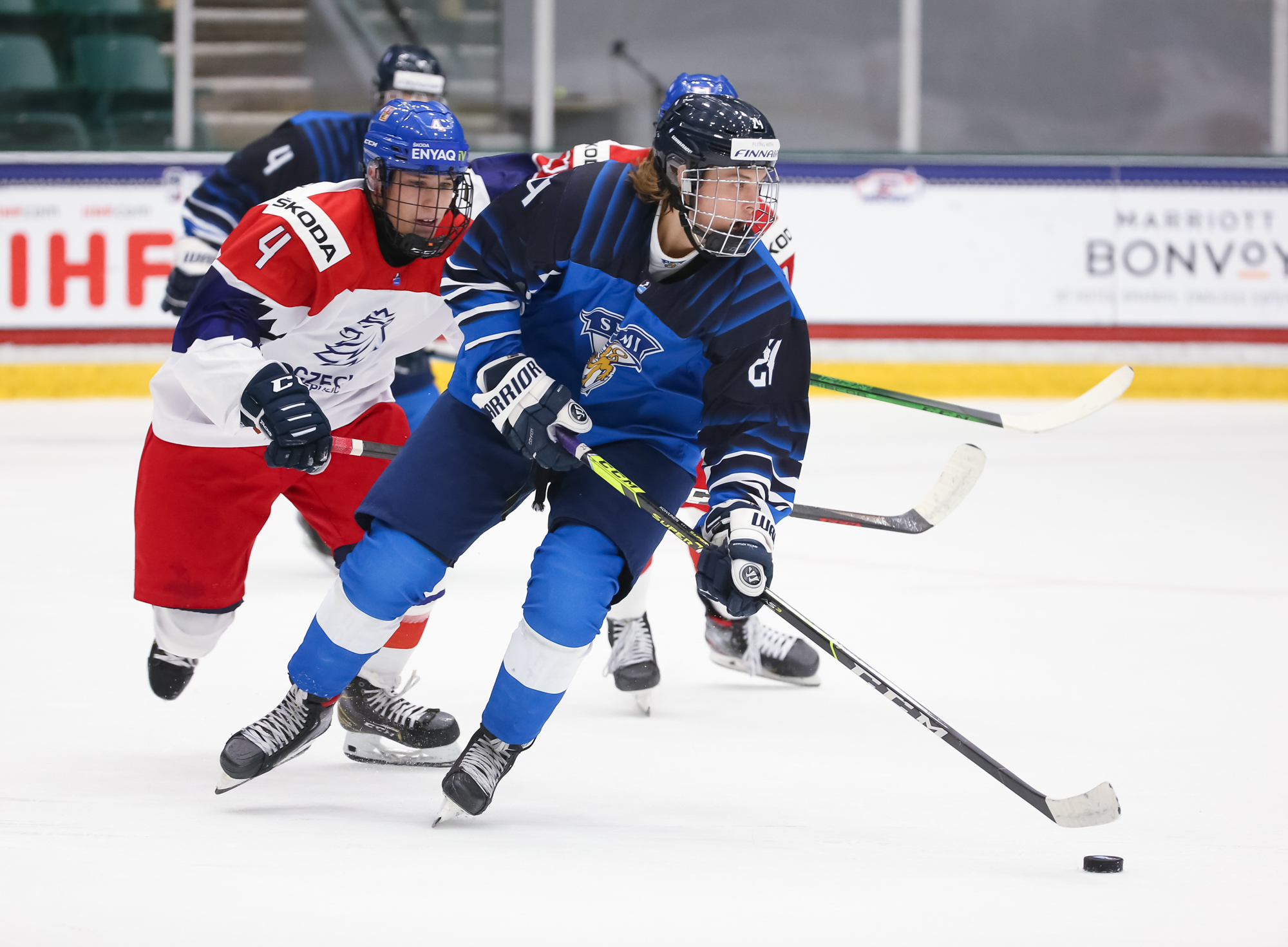 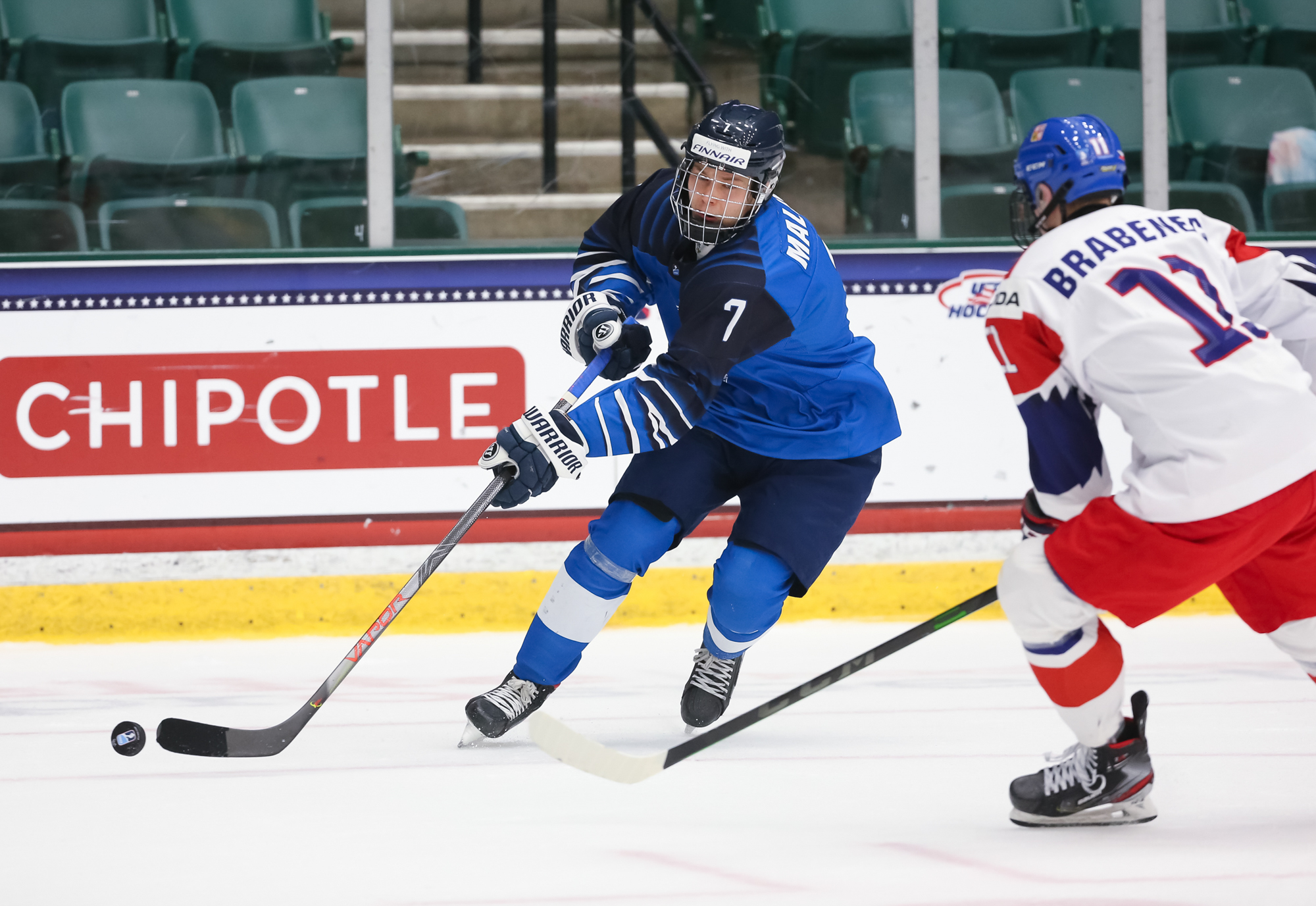