Finland scored five first-period goals and never looked back in a 10-0 trouncing of Germany on Friday. Coach Petri Karjalainen’s unbeaten team can earn first place in Group B with a victory over the host U.S. in their preliminary-round finale on Saturday.

Karjalainen said he wasn't concerned about his players getting overconfident after such a lopsided result: "It's a big game for us, it's a big game for the USA. It was maybe harder for us today to keep our composure and play a very simple hockey, be effective and score goals. Tomorrow, I think we will have a hunger. We want to get a good game against the States and get the results we want."

Versus Germany, the Finnish power play was hotter than a traditional wood-burning sauna, converting five times. Additionally, the Finns have scored more goals in each successive game in Frisco, previously beating Russia 4-3 and the Czech Republic 6-5.

Unlike earlier matchups, no dramatic comeback was required against Germany. Finland enjoyed a balanced attack. Captain Samu Salminen had two goals and an assist and Niko Huuhtanen had a pair of goals.

"We spoke with the team and we made clear that we don't think about the result," said Salminen. "We just play a clear 60 minutes, do the little things right, and think about that. I'm proud of the guys."

The Finns’ lineup looked different from their first three games. Sitting out were forwards Brad Lambert, who entered Friday as the team’s assists leader (four), and Verner Miettinen, the scorer of the decisive shootout goal versus Russia, plus starting goalie Aku Koskenvuo.

The decision to rest the players was precautionary, and Karjalainen said the trio is expected to return versus the Americans. Oliver Kapanen, who was injured versus Russia, could still play later at these U18 Worlds.

This was Germany’s last game. With no up-and-coming versions of Leon Draisaitl or Tim Stutzle in the lineup, they scored a tournament-low five goals. Despite a heart-and-soul effort, coach Steffen Ziesche’s team couldn’t secure any points in the “group of death” in Frisco. However, hope lives on, since there is no relegation this year, and the Germans will be back in 2022.

"We didn't have a compete level to be on the same level as the Finnish team was from the first minute today," said Ziesche. "That's not the game we wanted to play for our last game of the tournament. And we have to learn. We have to analyze why we played some games better and other games not on the same level and prepare the next generation for the next World Championship."

In net, Finland’s Juuso Helomaa made his U18 Worlds debut with a shutout and Germany’s Luca Ganz saw his first action too. Finland outshot Germany 43-23.

"Of course, it was a nice moment for myself," said Helomaa. "It was a great honour to start the tournament like this, and the guys made it easy for me."

The blue-and-white boys didn’t waste any time. Finnish defenceman Aleksi Malinen opened the scoring with his first tournament goal at 1:52 on a low shot from the blue line through traffic. Just 19 seconds later, Huuhtanen converted a rebound in front to make it 2-0.

Finland got a little sloppy with a too many men on the ice penalty, but it hardly mattered. Sami Paivirinta got loose for a shorthanded breakaway and beat Ganz with a nice forehand deke for a 3-0 lead with six seconds left in the German man advantage.

The Germans took stick fouls 12 seconds apart, and the Finns promptly capitalized on the 5-on-3 power play. Samu Tuomaala hammered home a one-timer from his preferred spot in the left faceoff circle at 8:24.

At 13:13, Finland’s Joakim Kemell scored a highlight-reel goal to make it 5-0, zooming through the neutral zone and splitting the defence before beating Ganz on the forehand.

"We didn't do the easy things right," said Germany's Michael Gottwald. "They were faster-skating and played better."

In the second period, more penalty trouble awaited the Germans. With Sandro Mayr already off for slashing, captain Bennet Rossmy threw a heavy body check on Miko Matikka in the German end that earned him two minutes for boarding and a 10-minute misconduct.

On the ensuing 5-on-3, Huuhtanen easily converted Paiviranta's cross-crease pass to go up 6-0 at 5:35. Less than a minute later, Salminen added to Germany's PK pain with the 7-0 one-timer.

Salminen explained the improved Finnish power play: "We watched some videos and we've started to make things a little better, not handling the puck too much. I like playing with Tuomaala and Lambert and Koivunen. I'm proud we've found a way to play, and we need to continue that. The big games are coming."

Germany's Roman Zap missed a late-period breakaway as the puck drifted off his stick. And to round out another tough period for Ziesche's boys, Viljami Juusola got a goal on the rush from the high slot at 19:59.

In the third period, Salminen added his second of the night on the power play at 8:52. The goal was video-reviewed to check if he had illegally redirected the puck with his skate, but ruled good. Koivunen flung a shot through traffic at 13:13 to make it 10-0.

Looking ahead to Saturday, Salminen said: ​"The United States skates well and plays well with the puck. We need to make the little things nice defensively and help our goalie to play a good game."

Germany's top three players of the tournament were honoured afterwards: goalie Nikita Quapp, captain Bennet Rossmy, and forward Nikolaus Heigl. And despite the lack of wins, Texas will furnish some fond memories.

"It was a great event," said Steck. "Everything was nicely planned by the IIHF. And on the ice, it was super-fast for us. Many of us didn't play the whole season. It was a great experience for us." 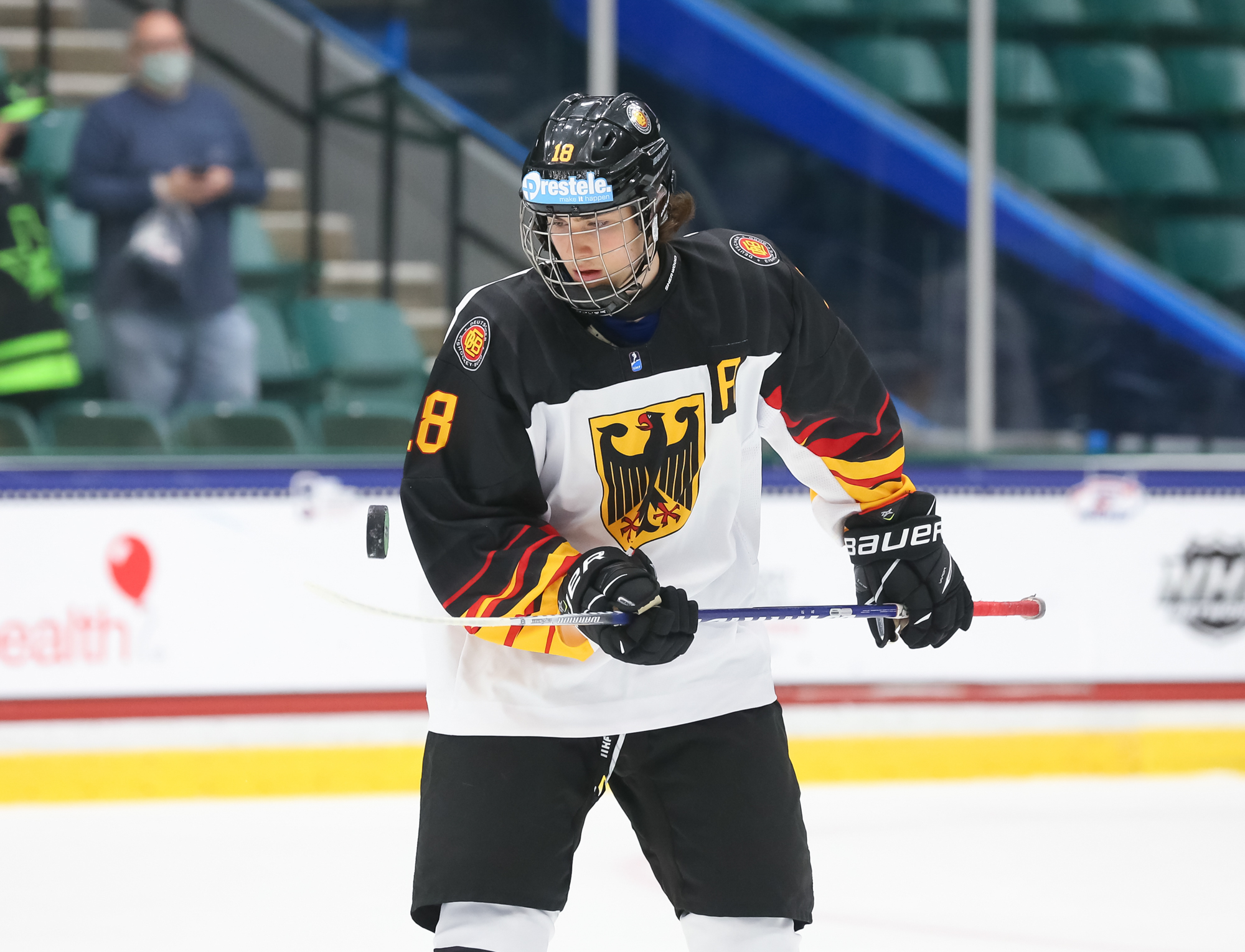 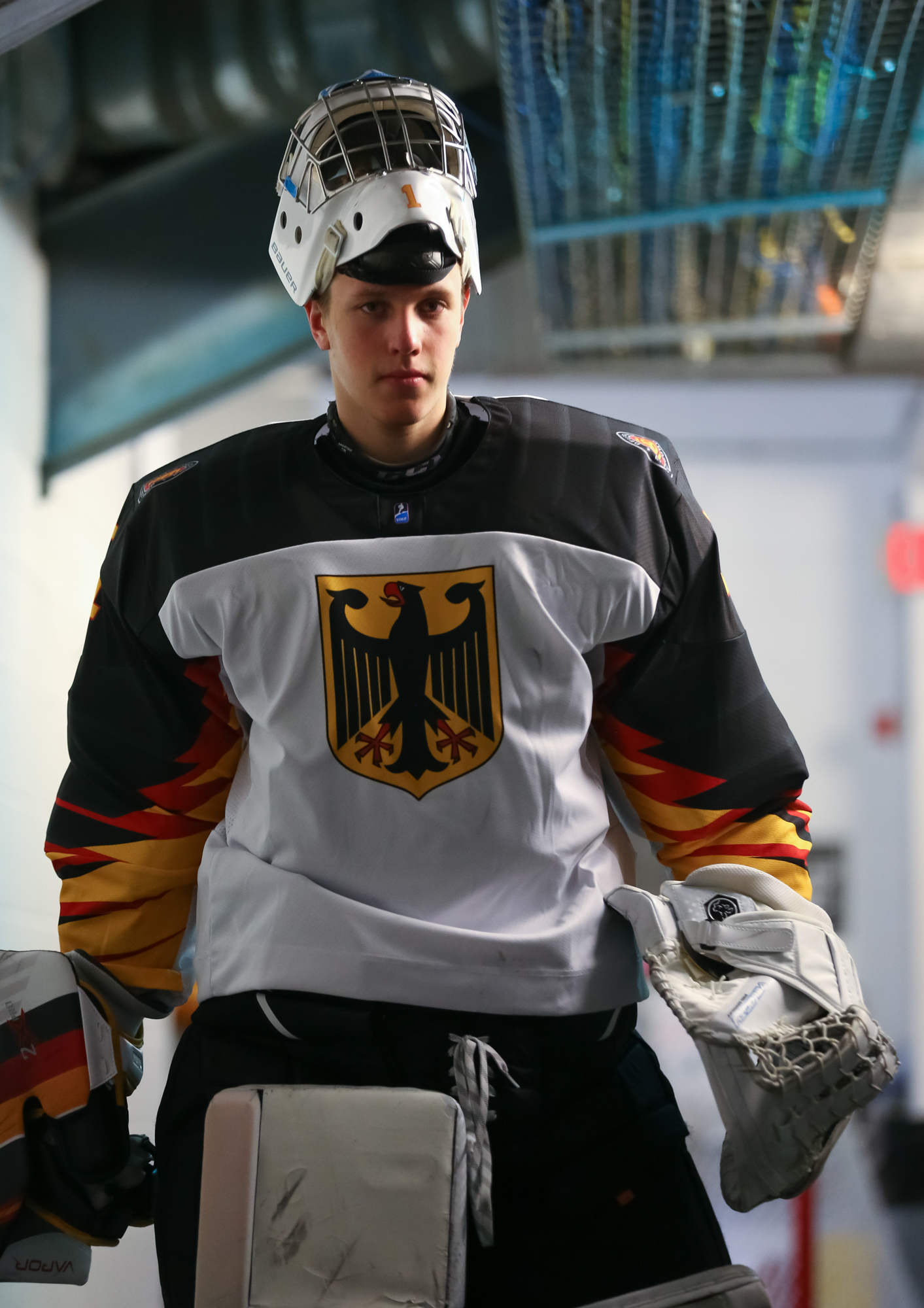 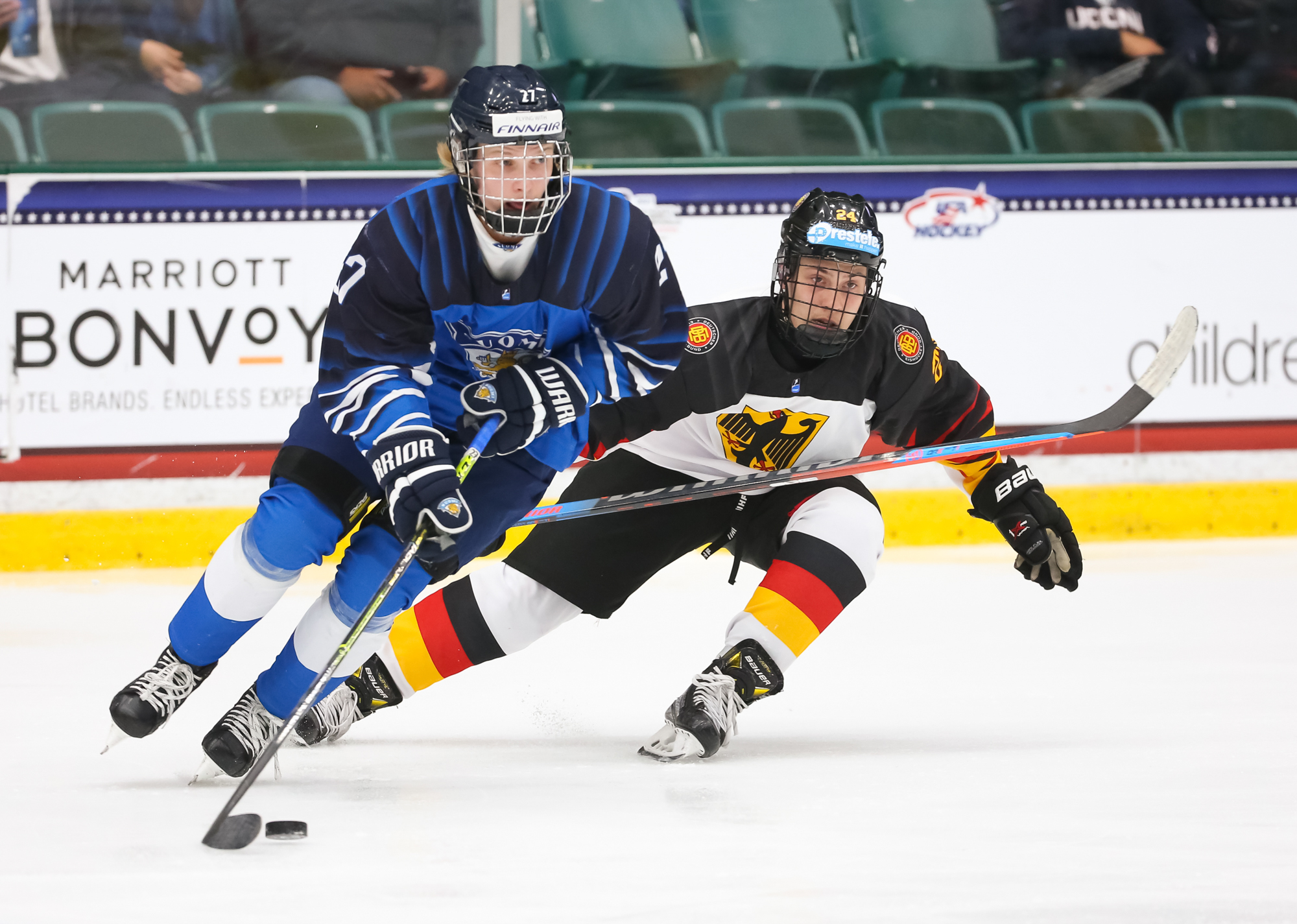 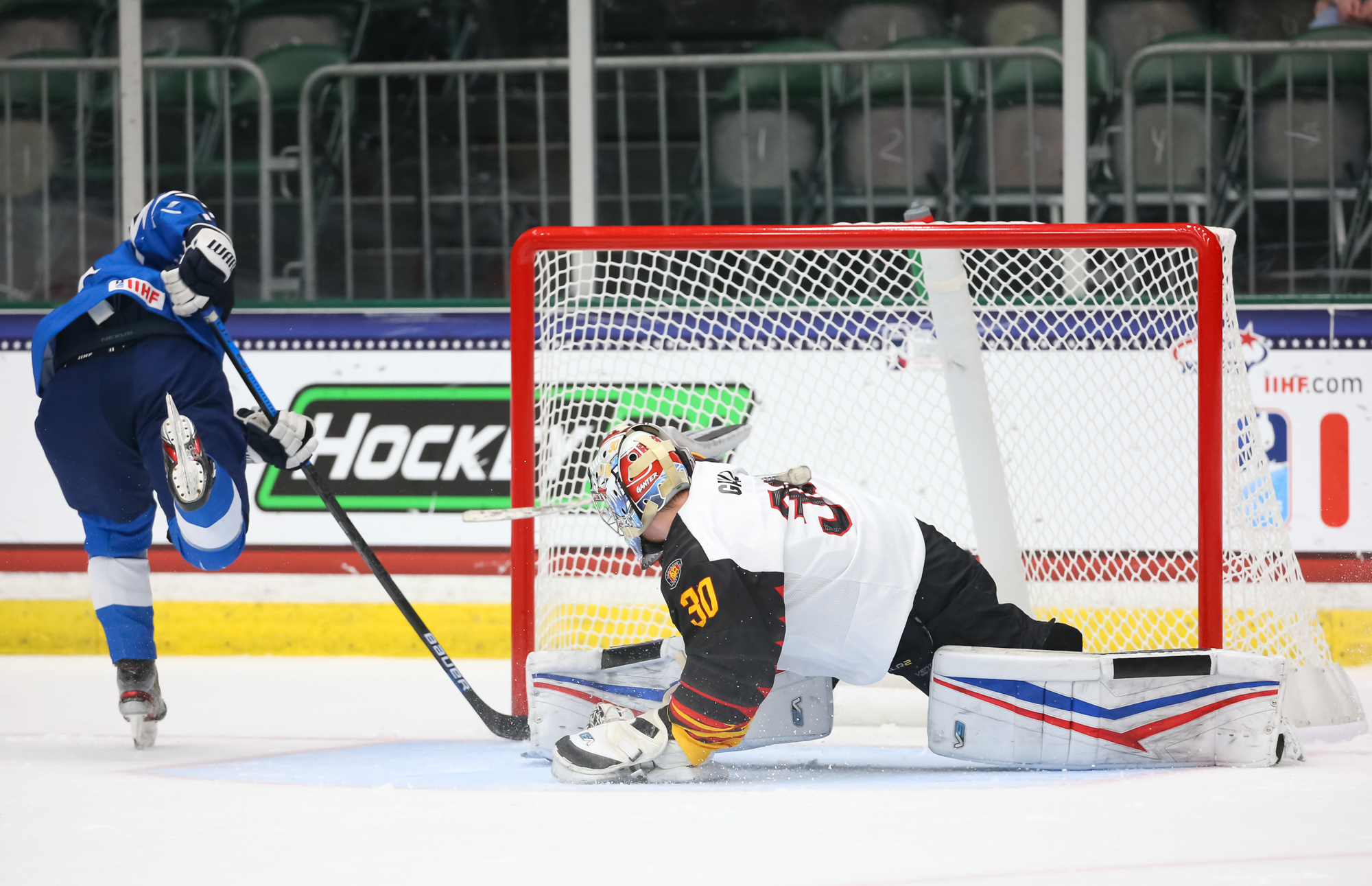 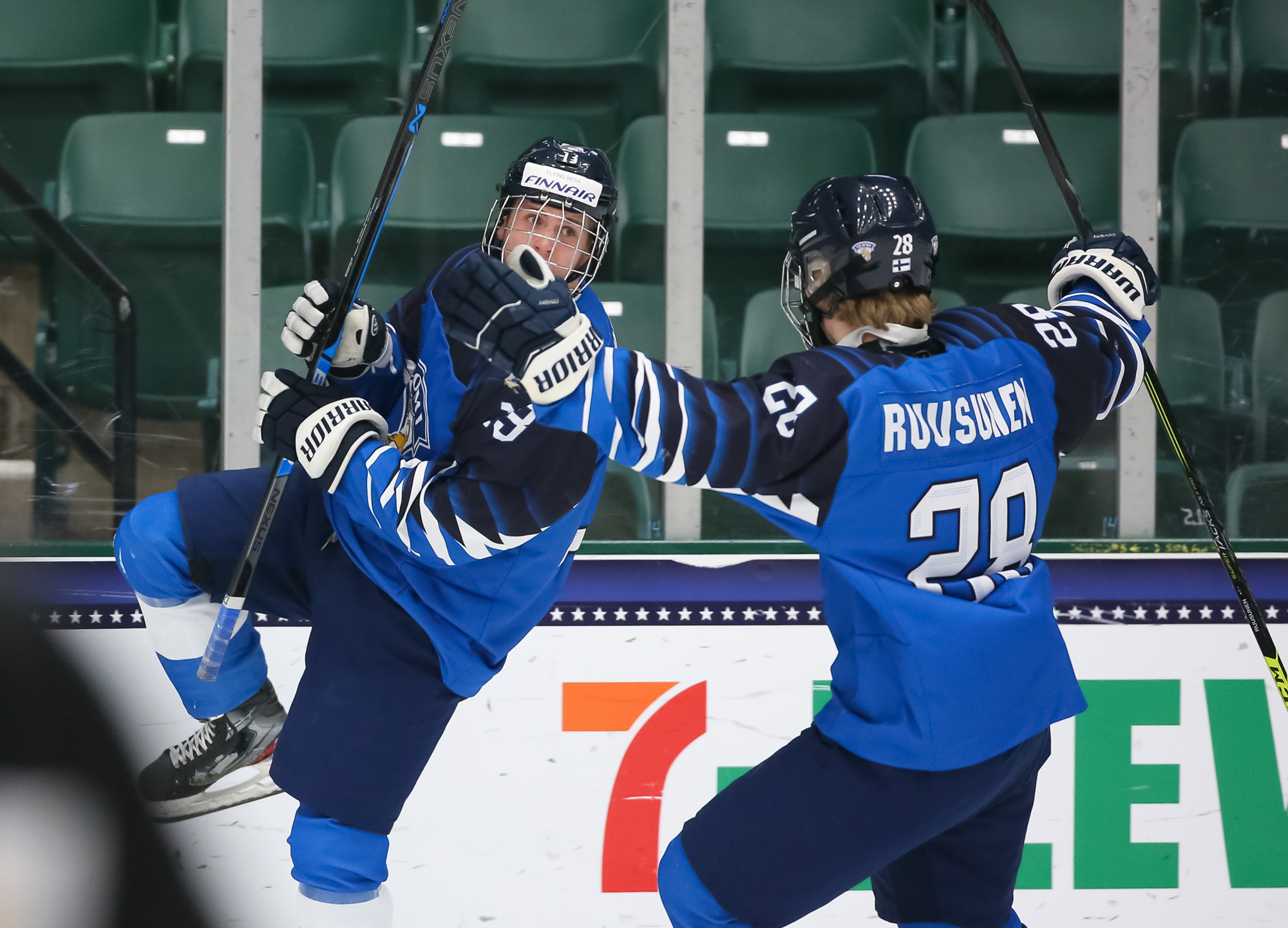 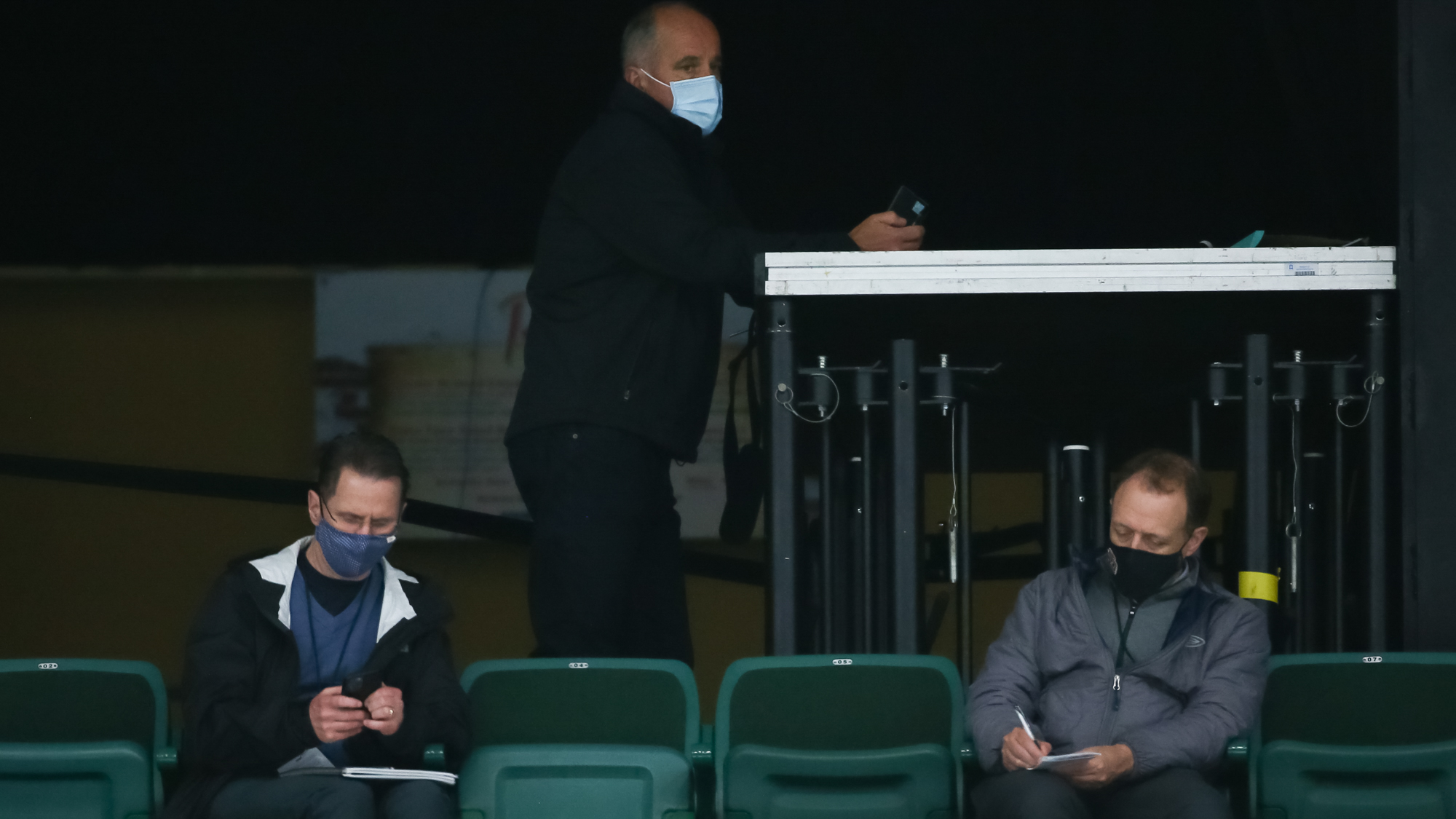 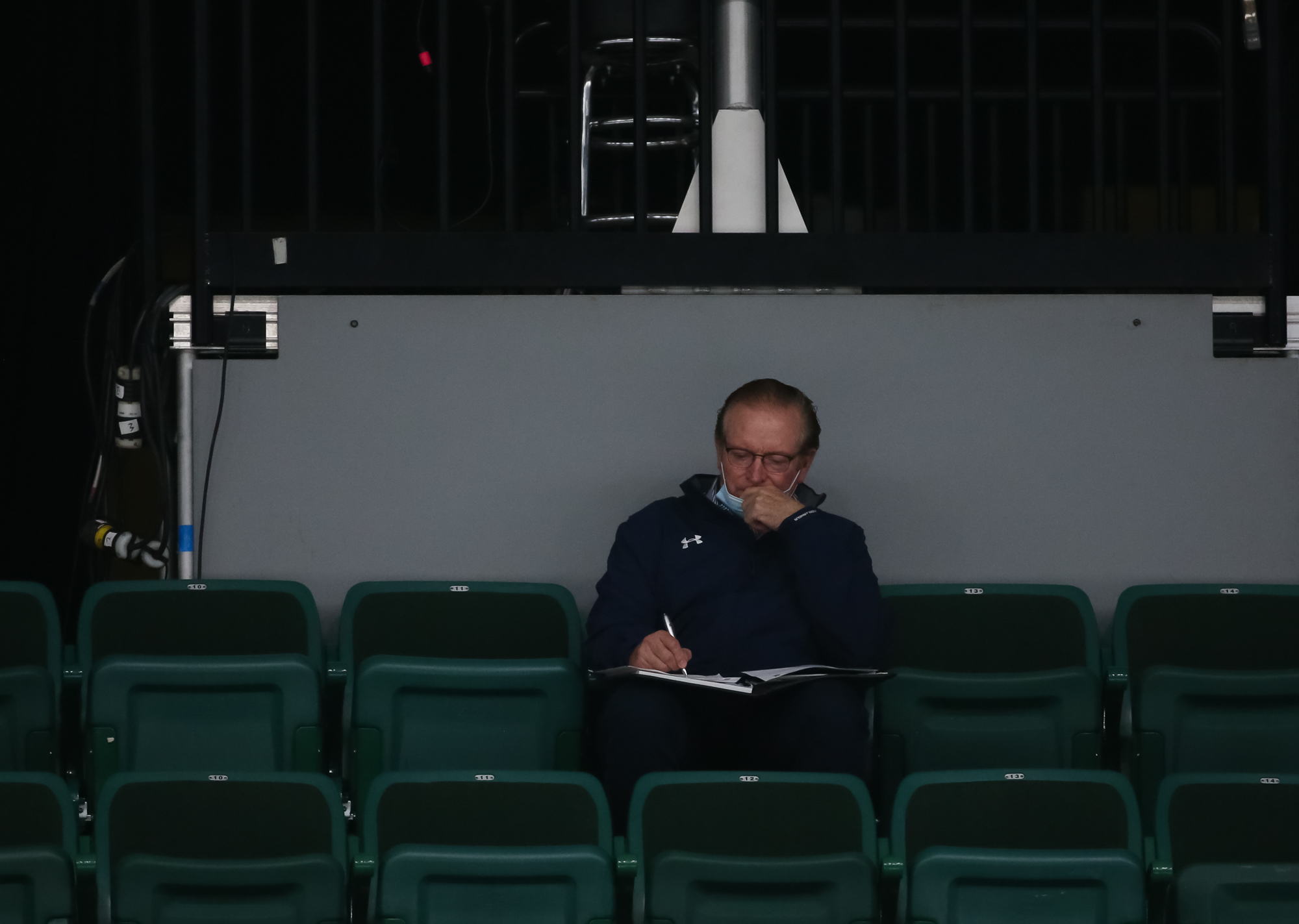 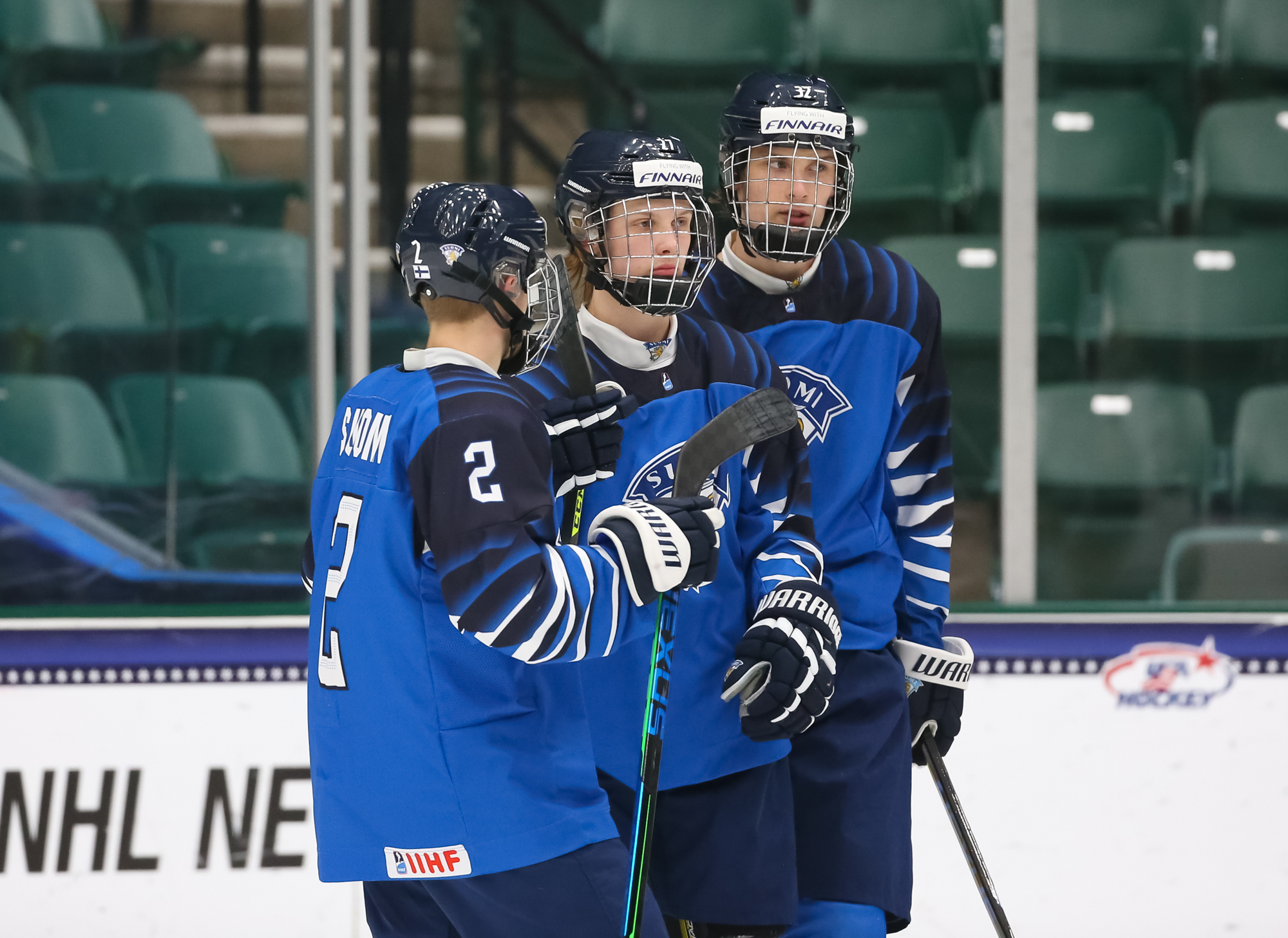 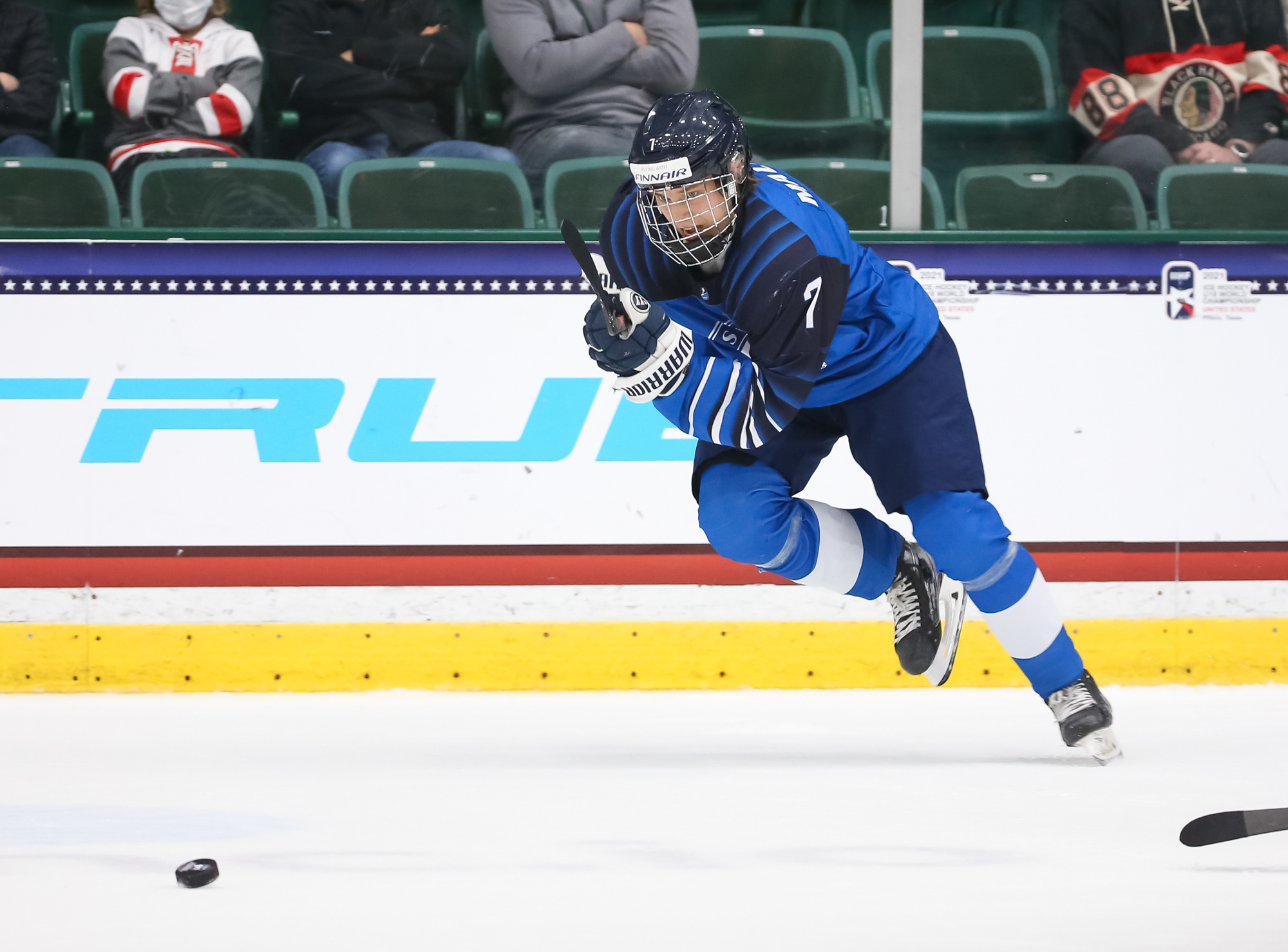 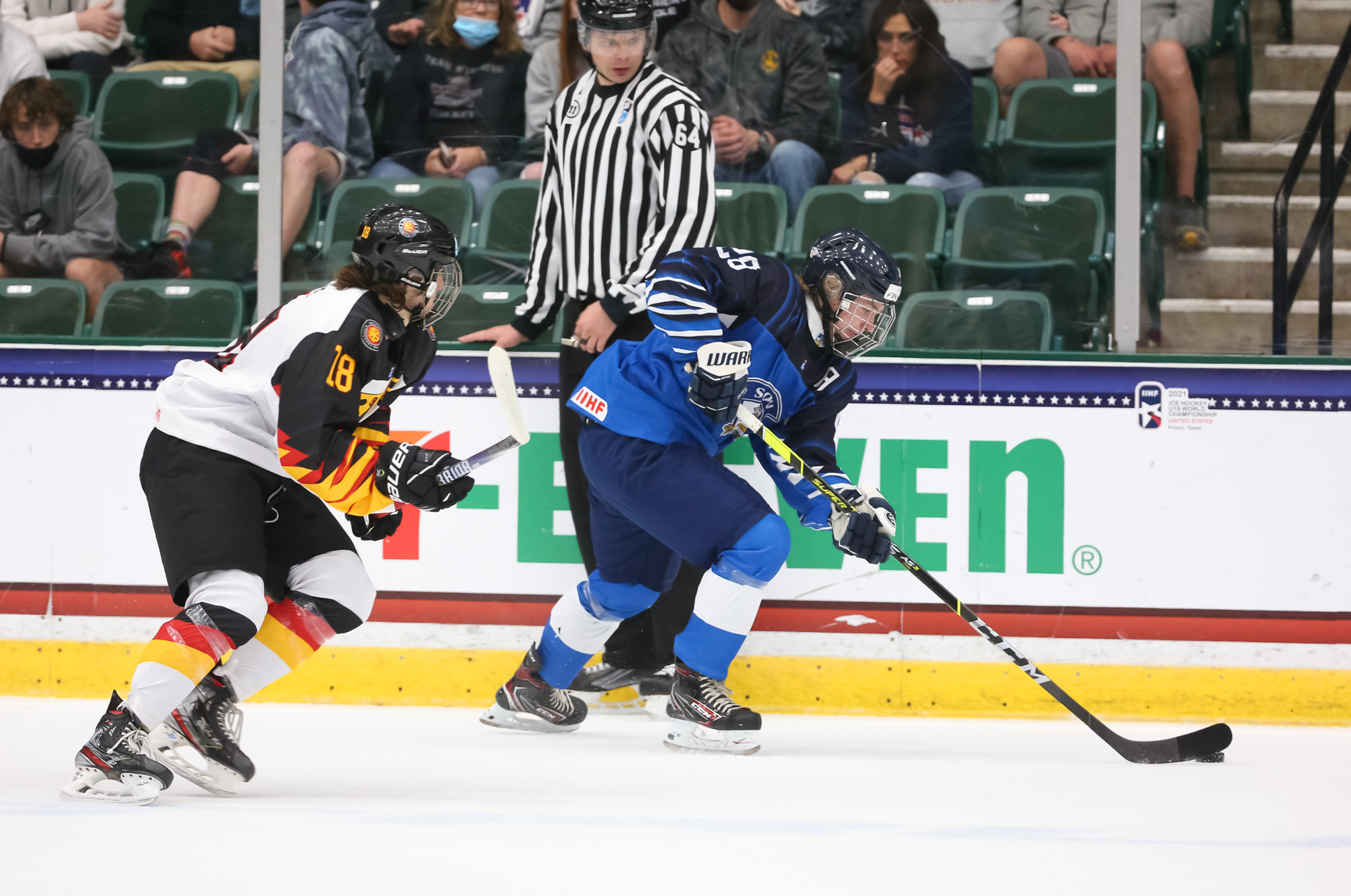 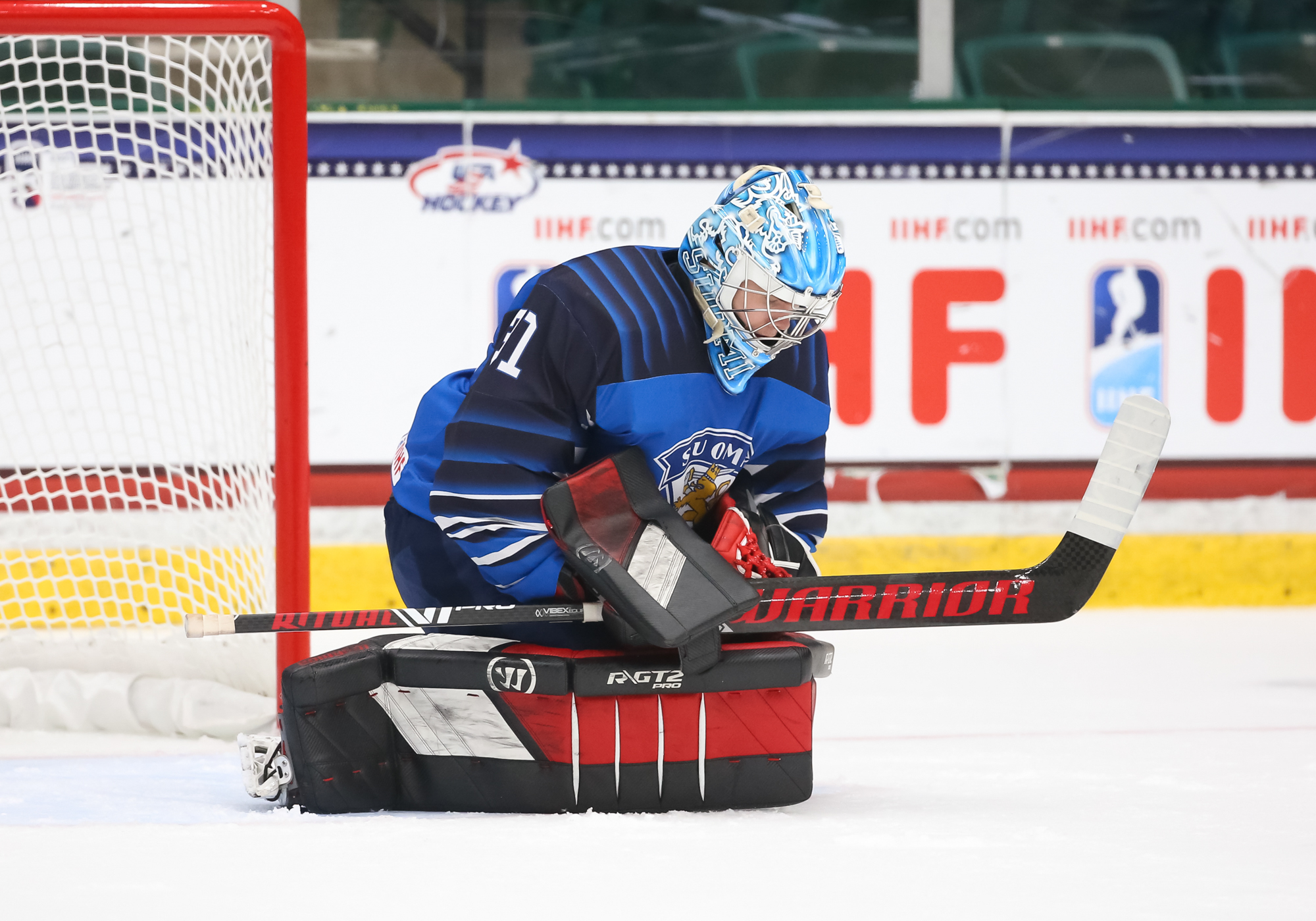 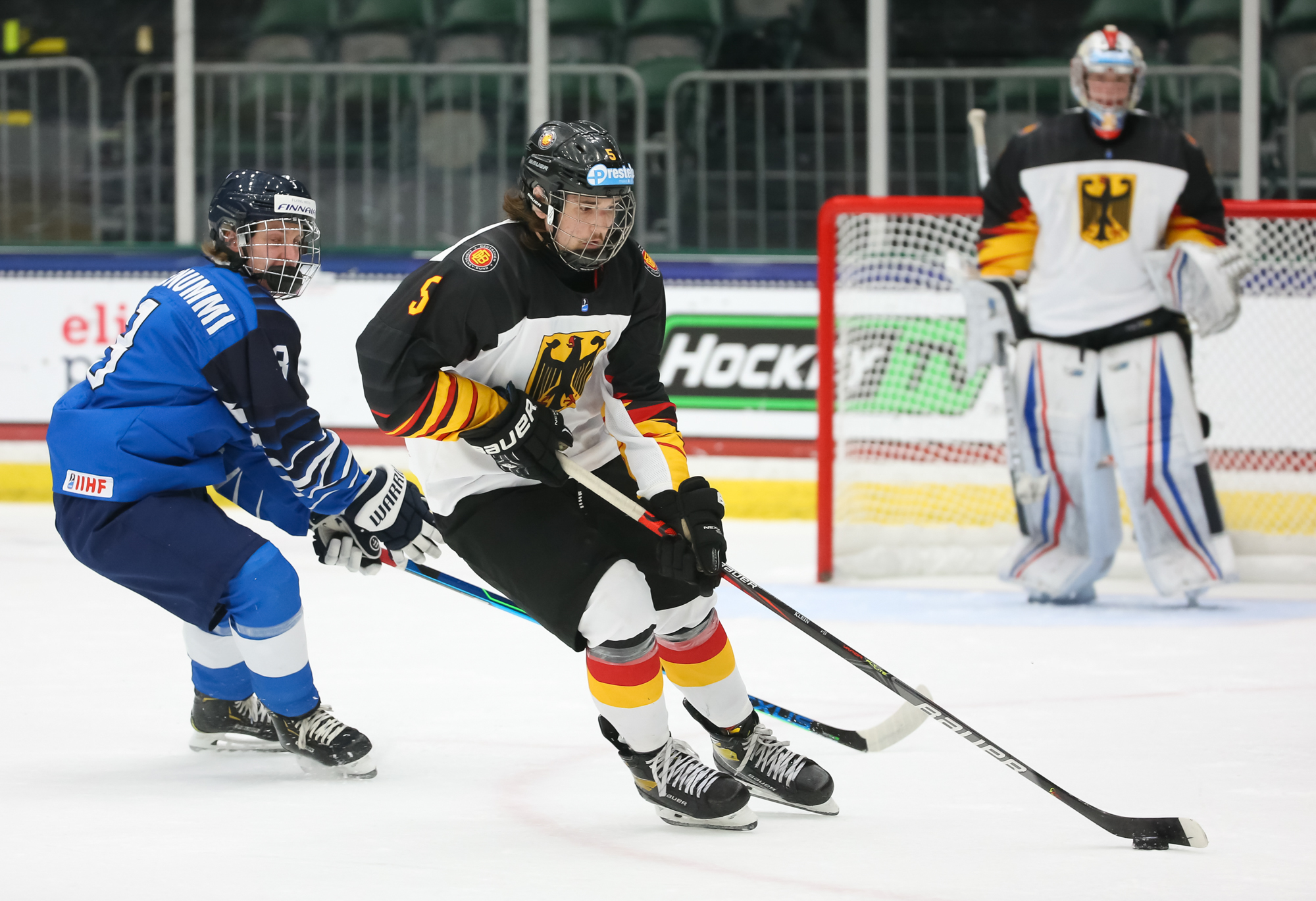 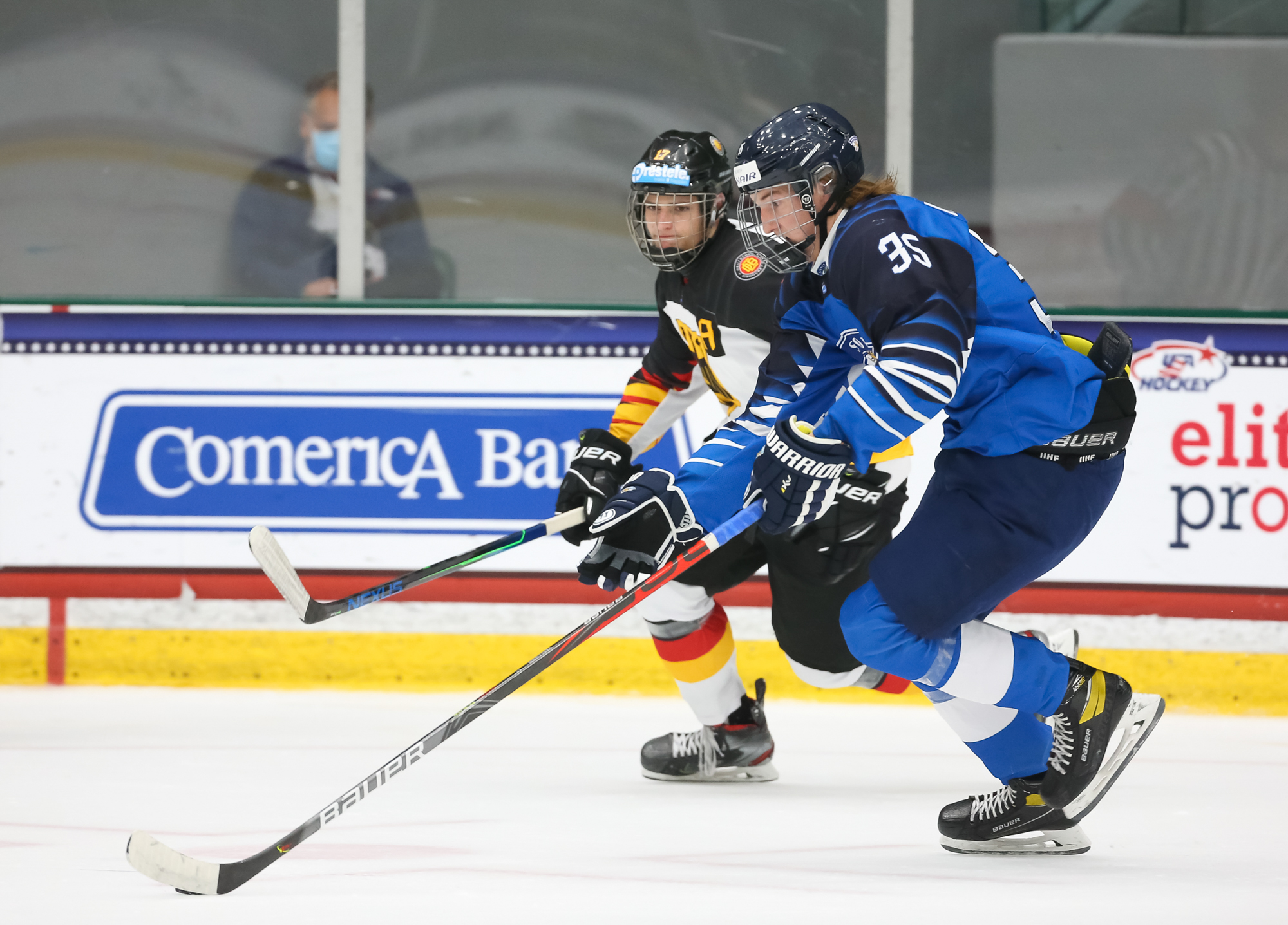 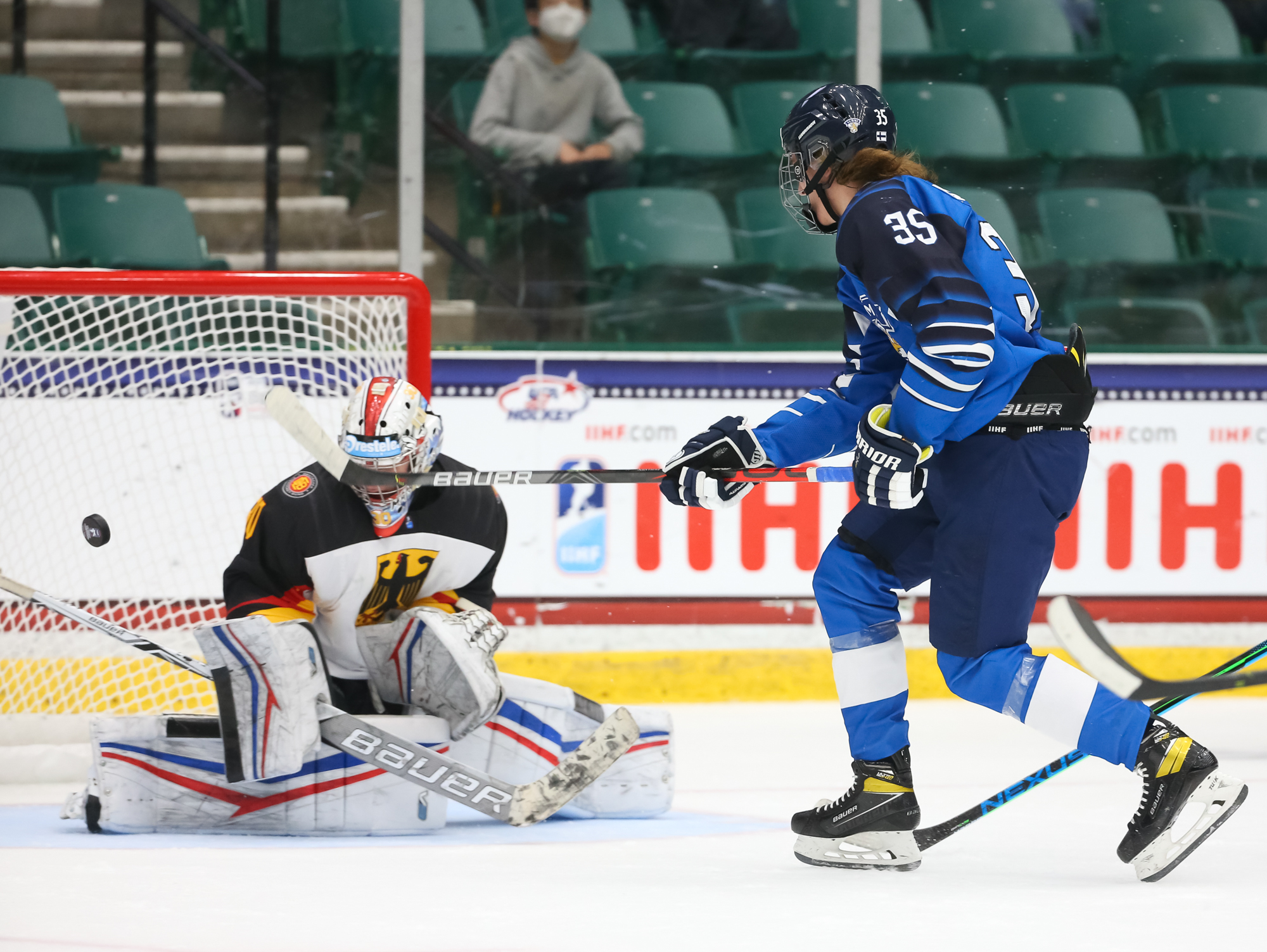 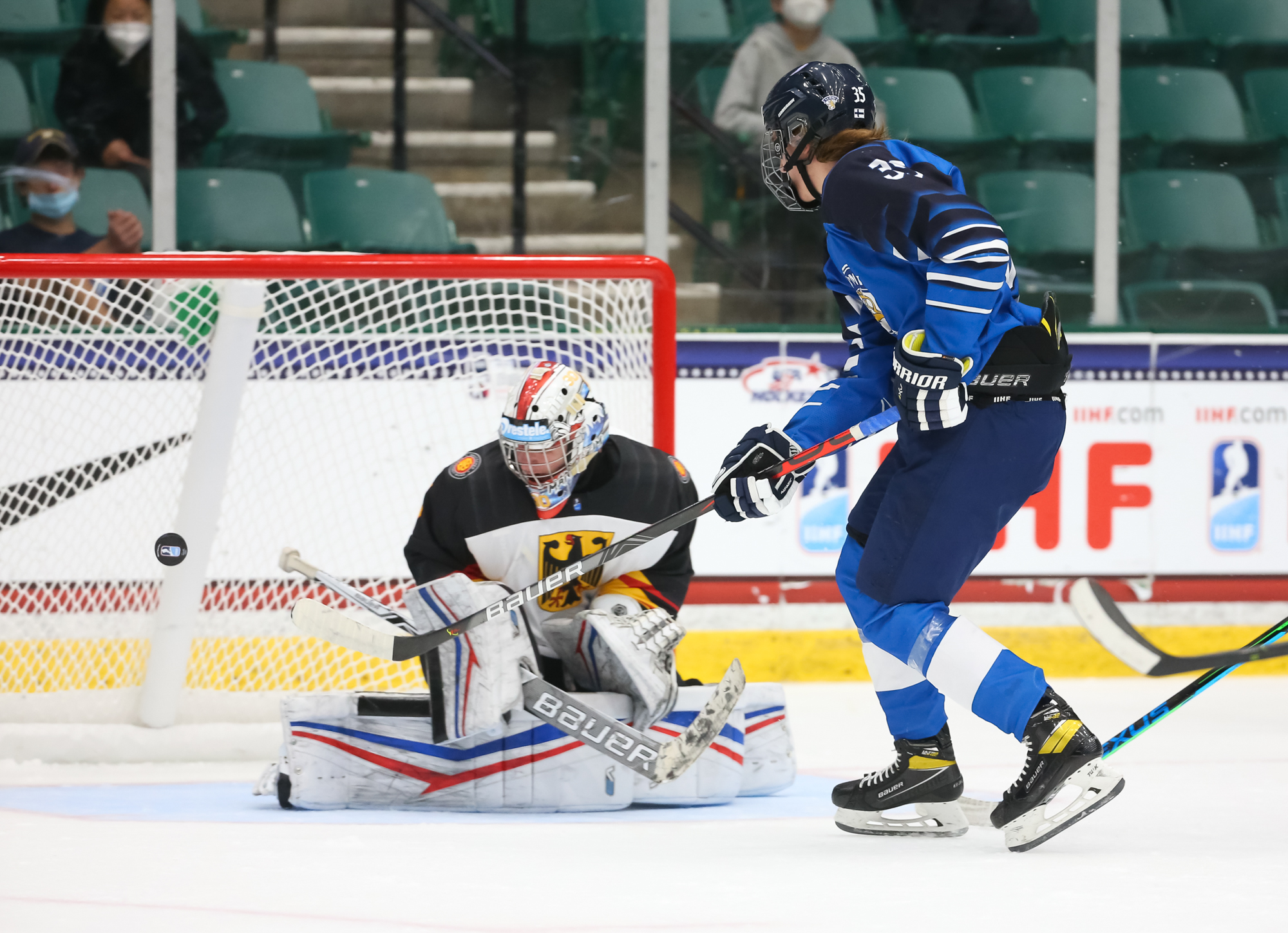 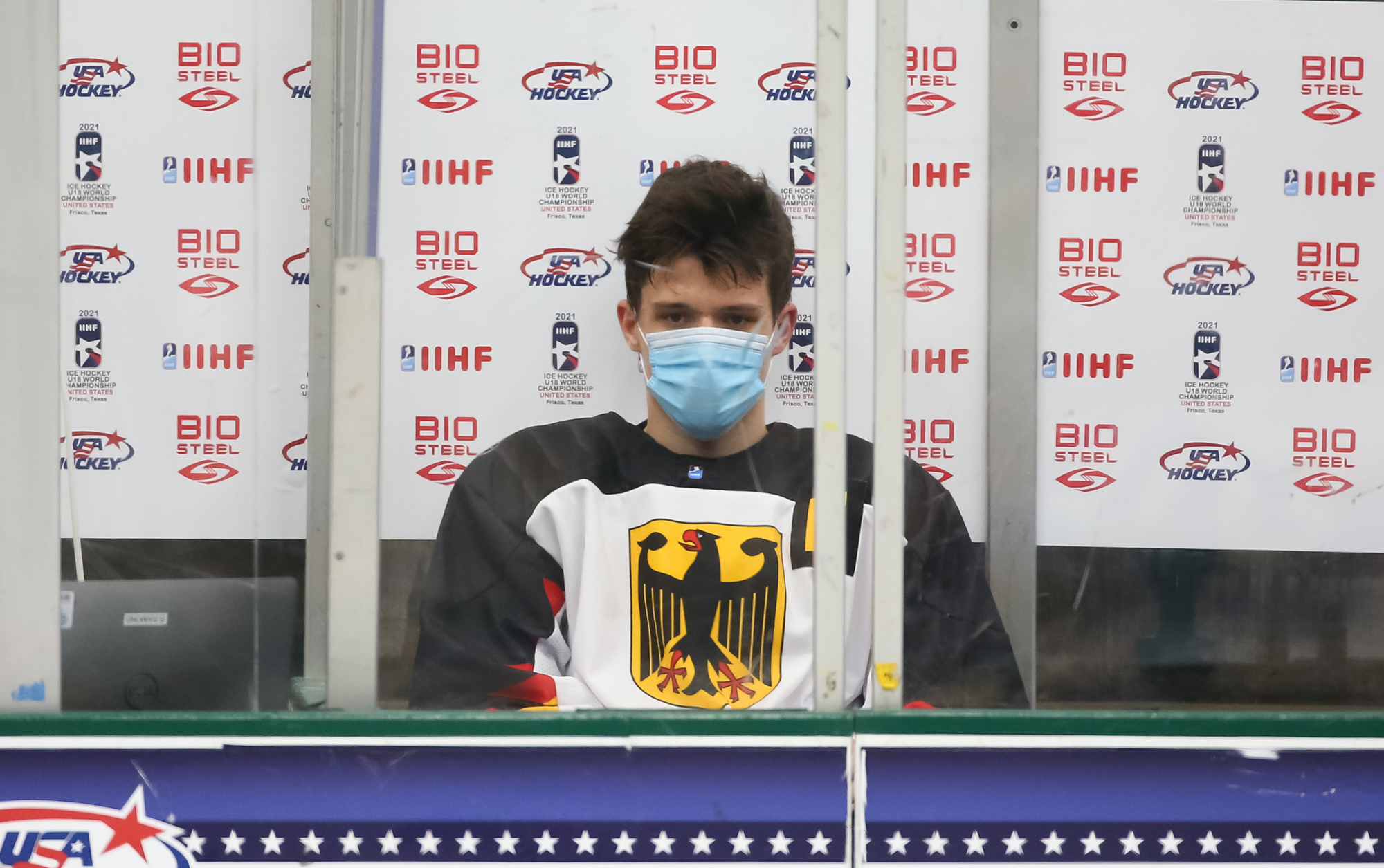 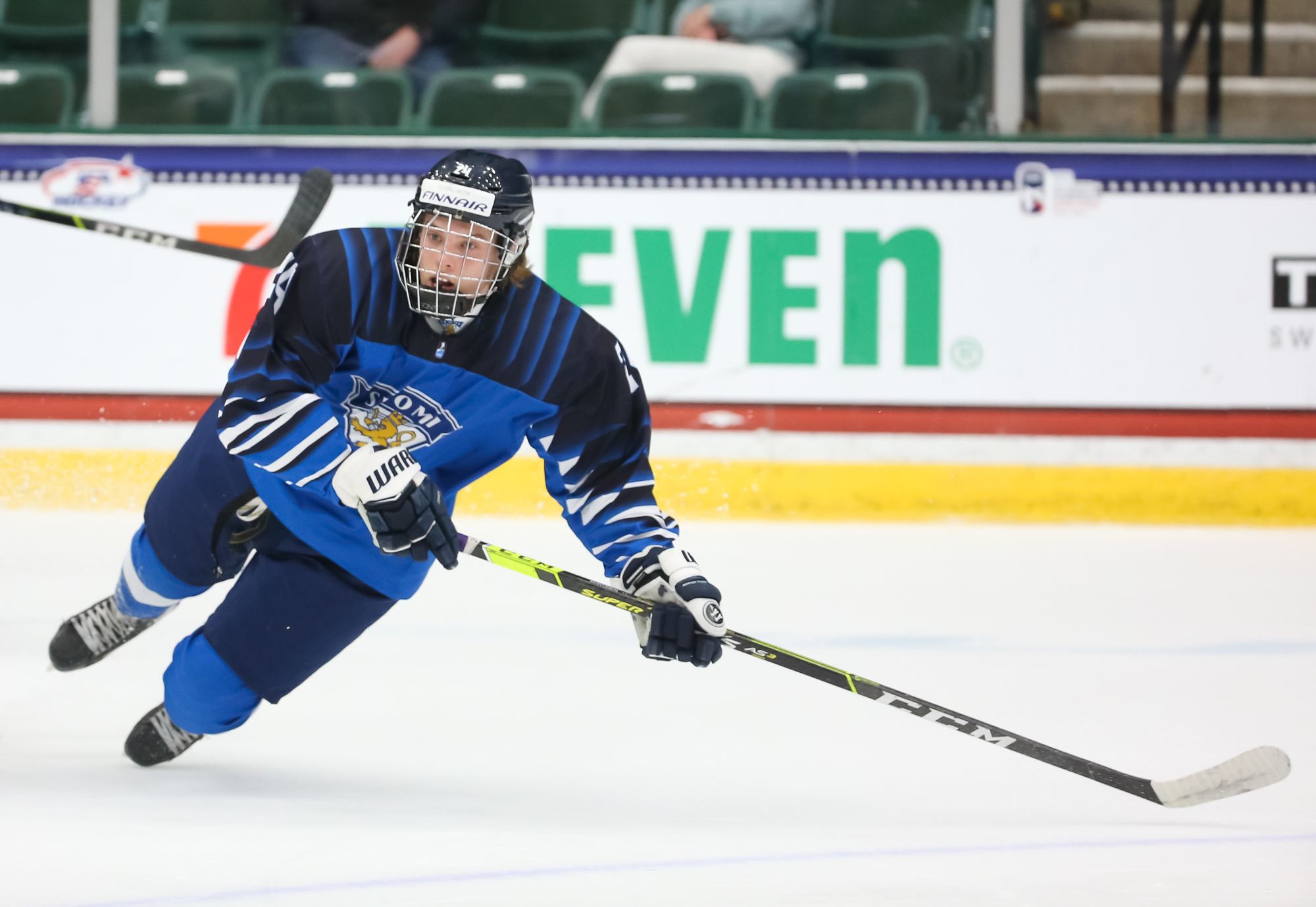 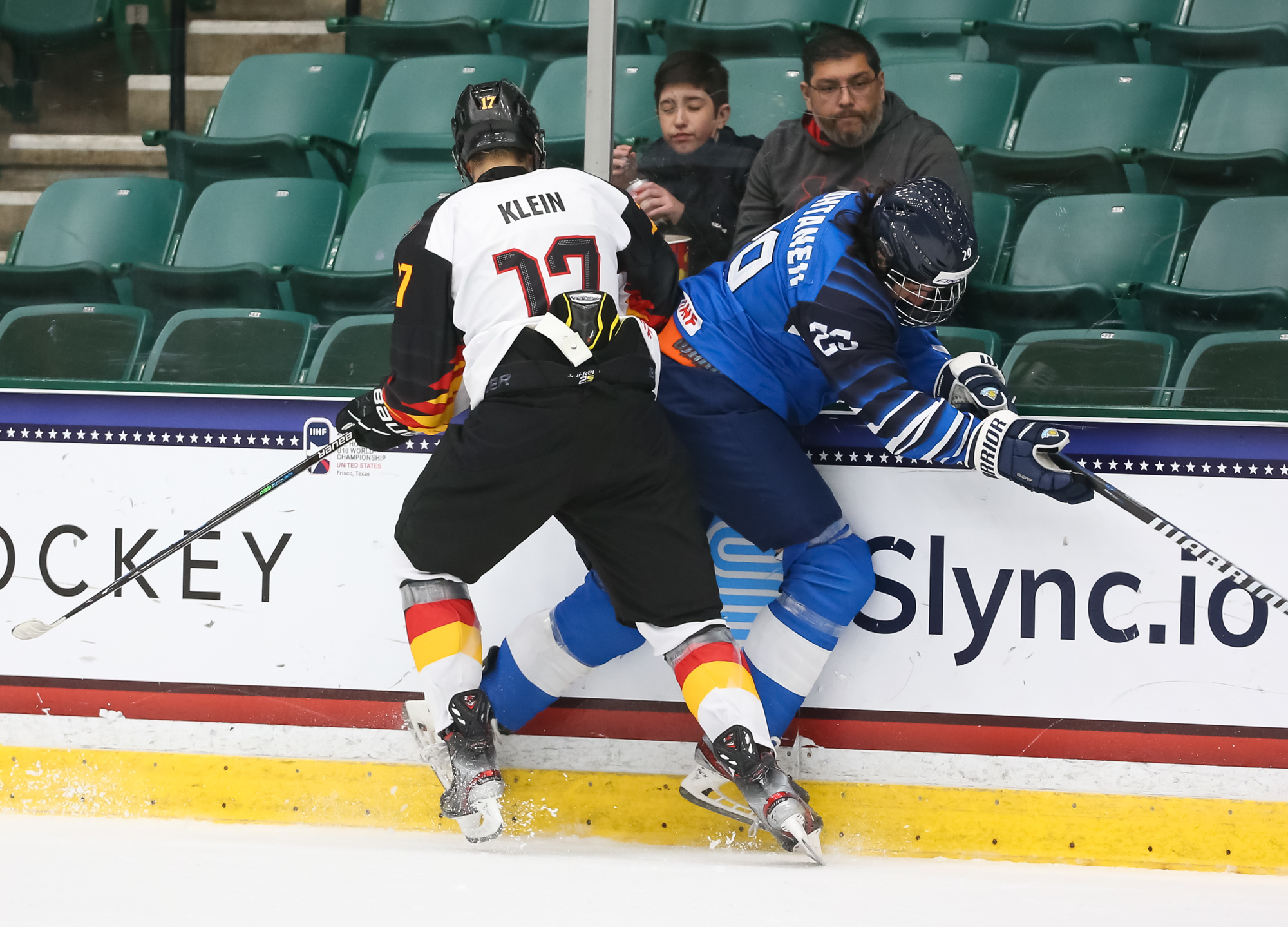 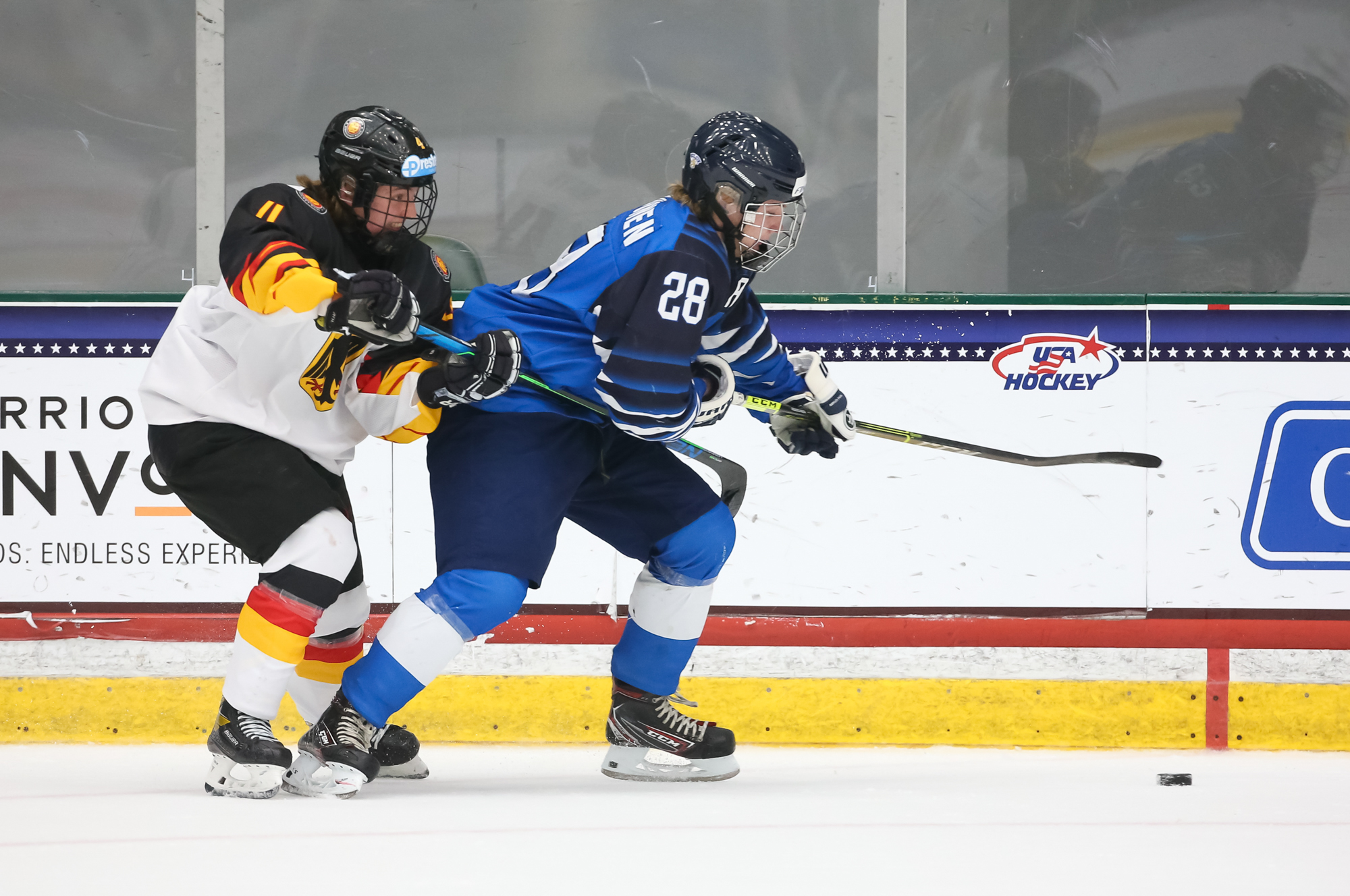 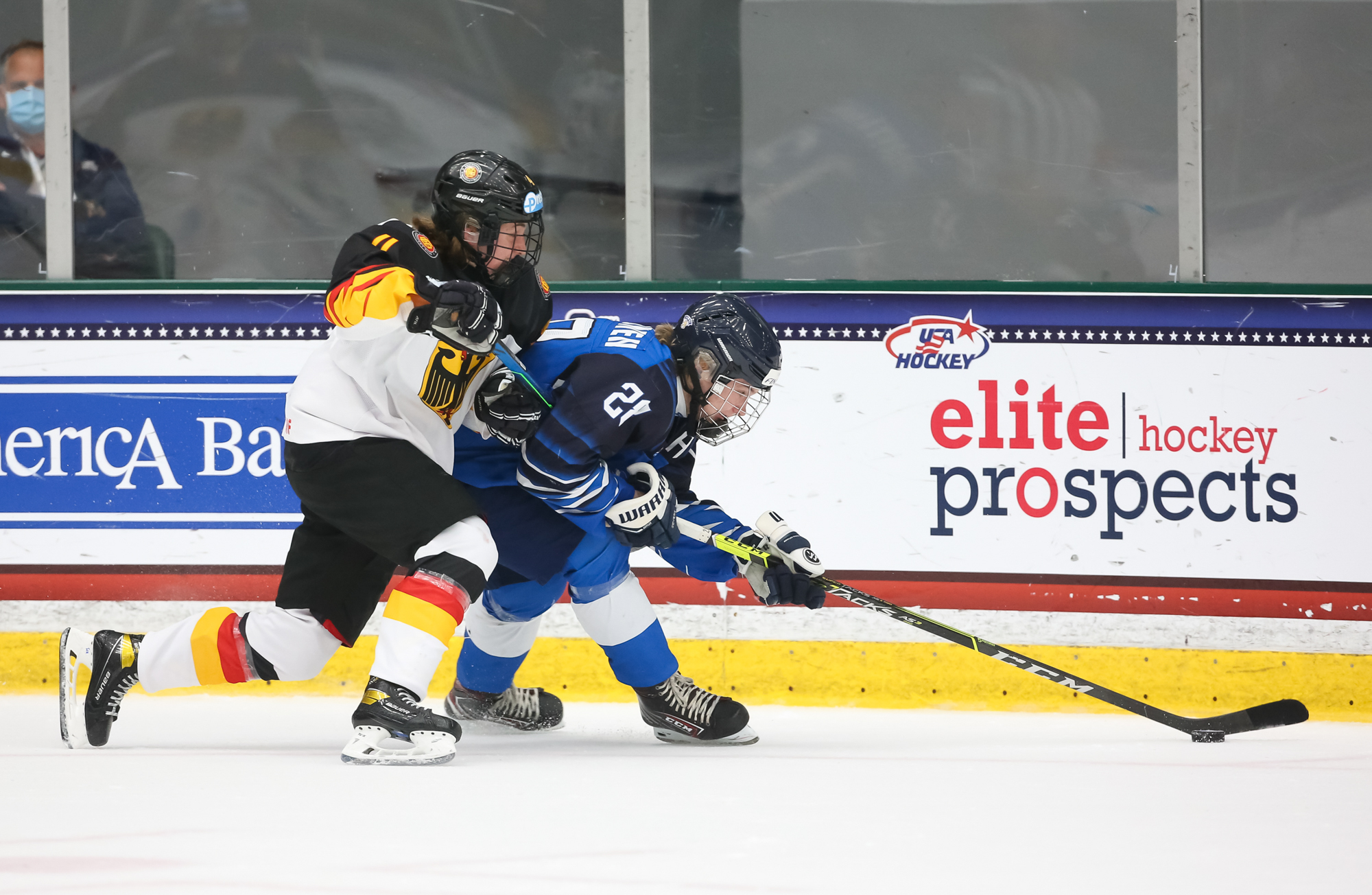 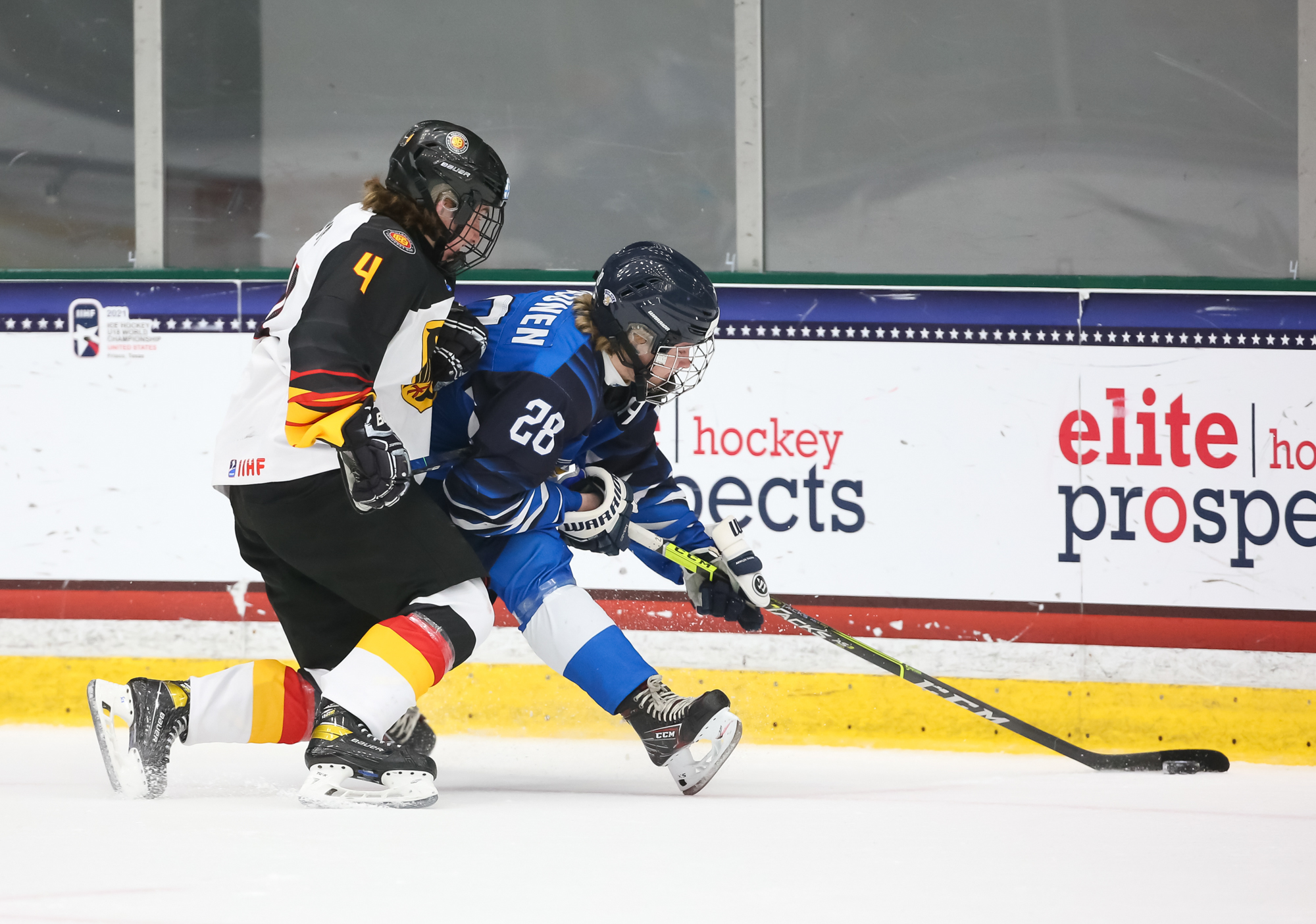 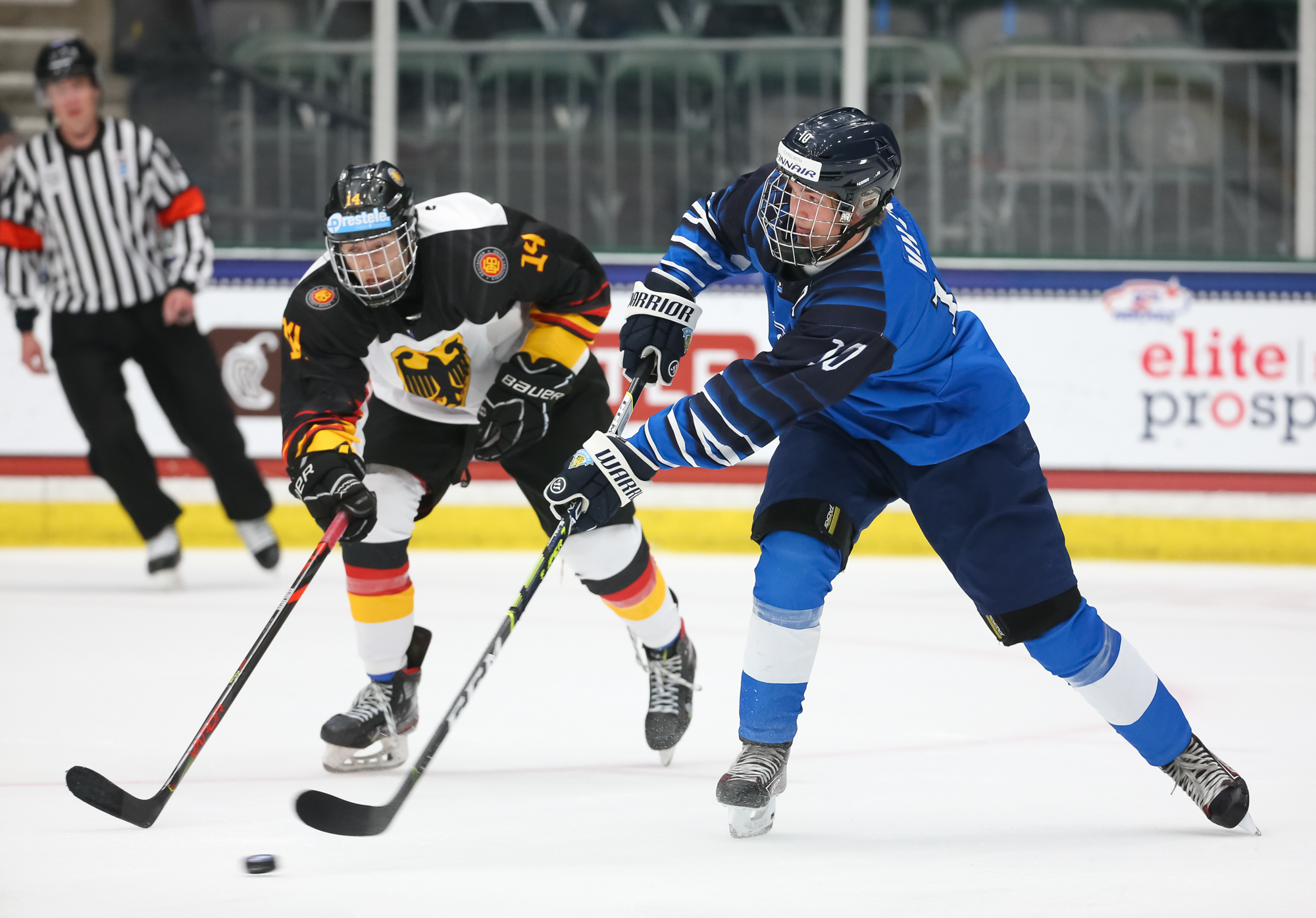 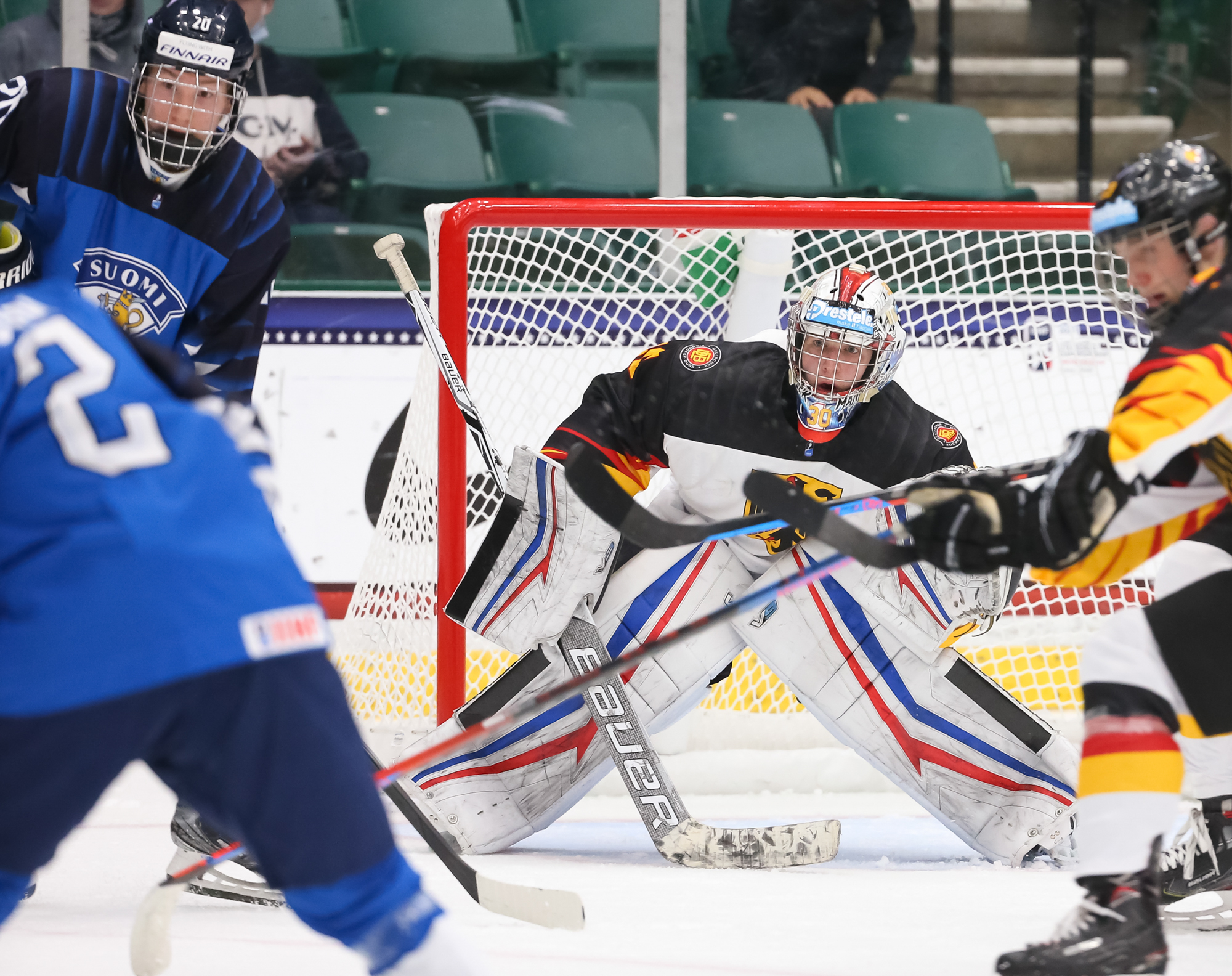 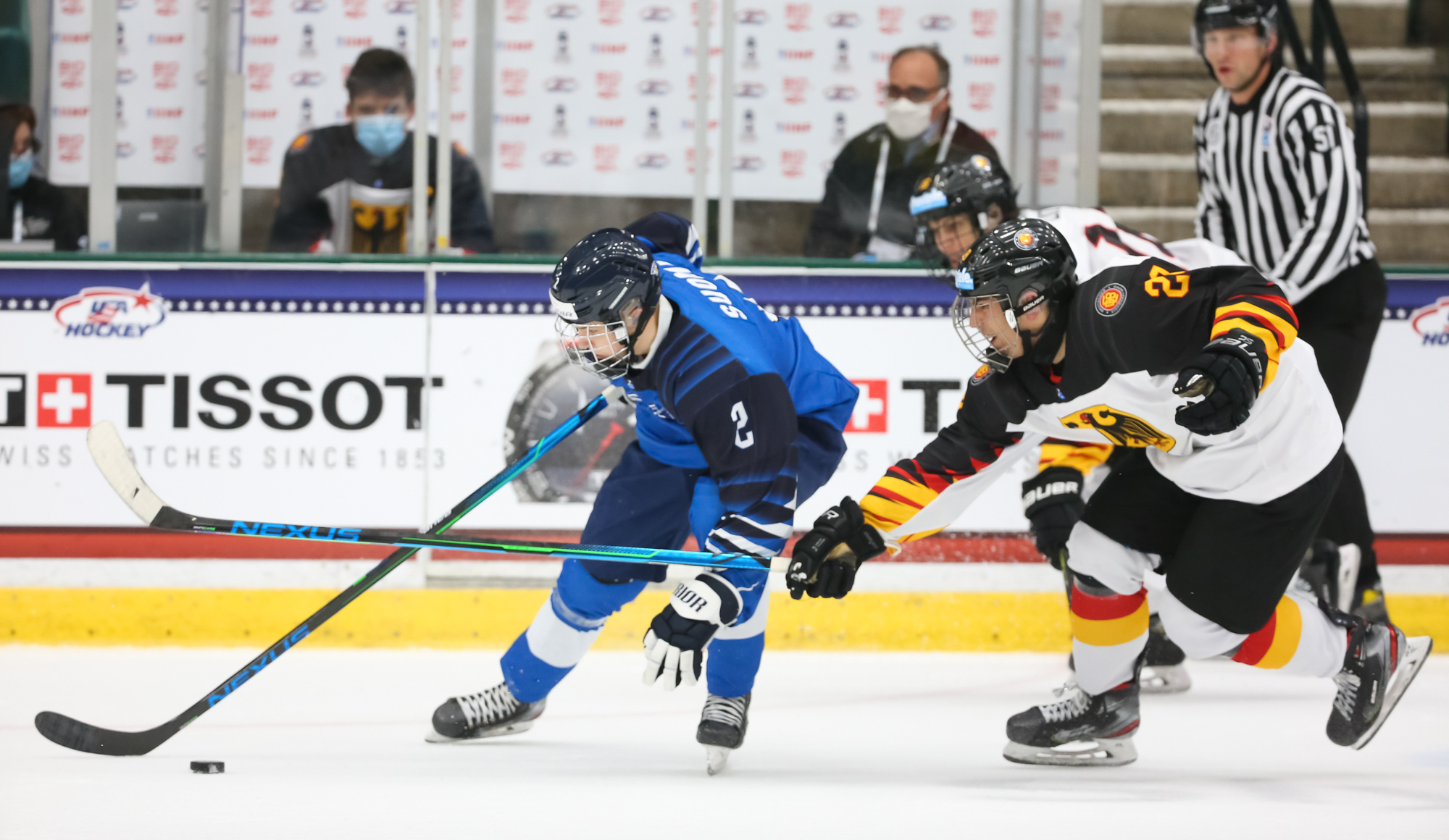 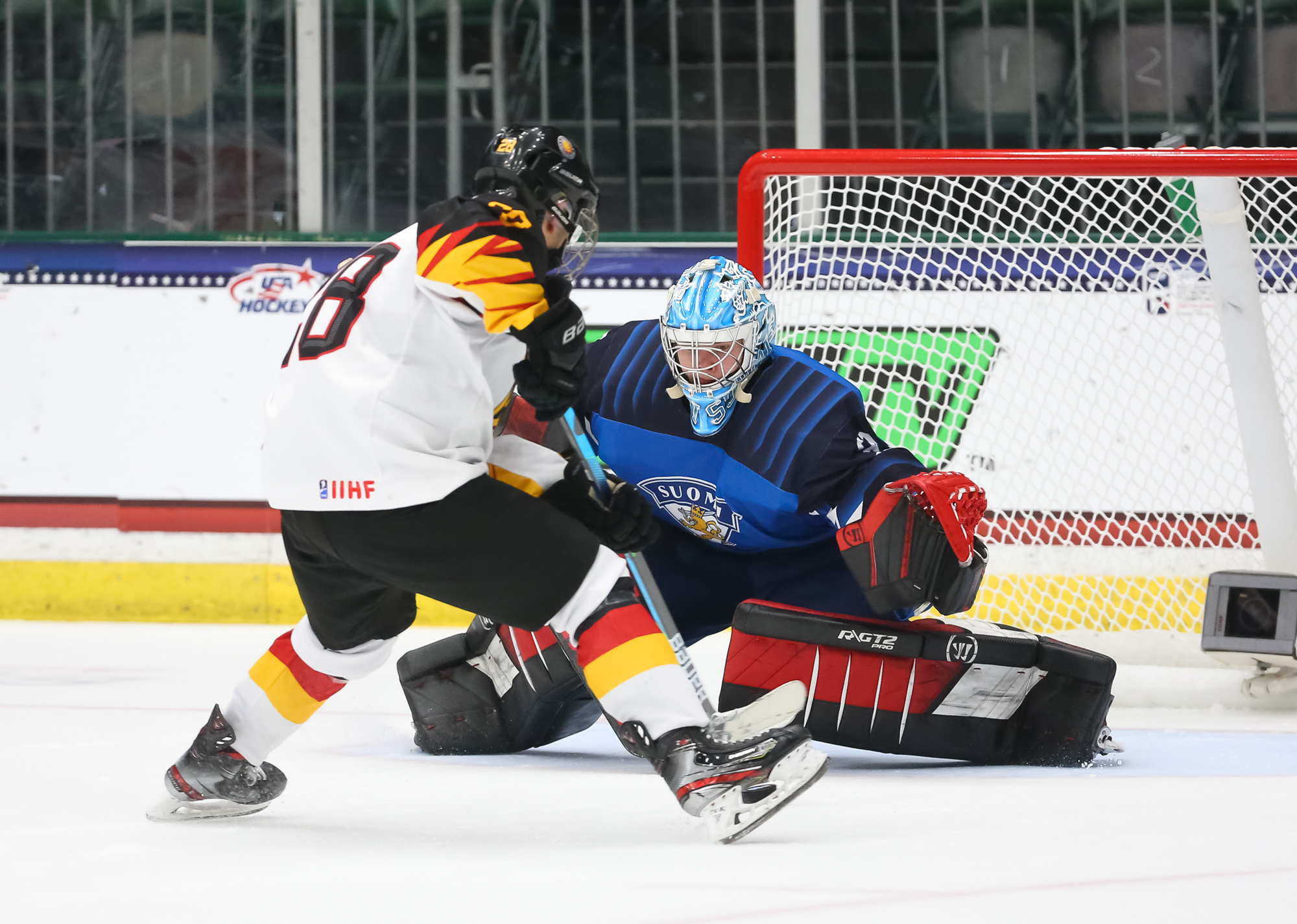 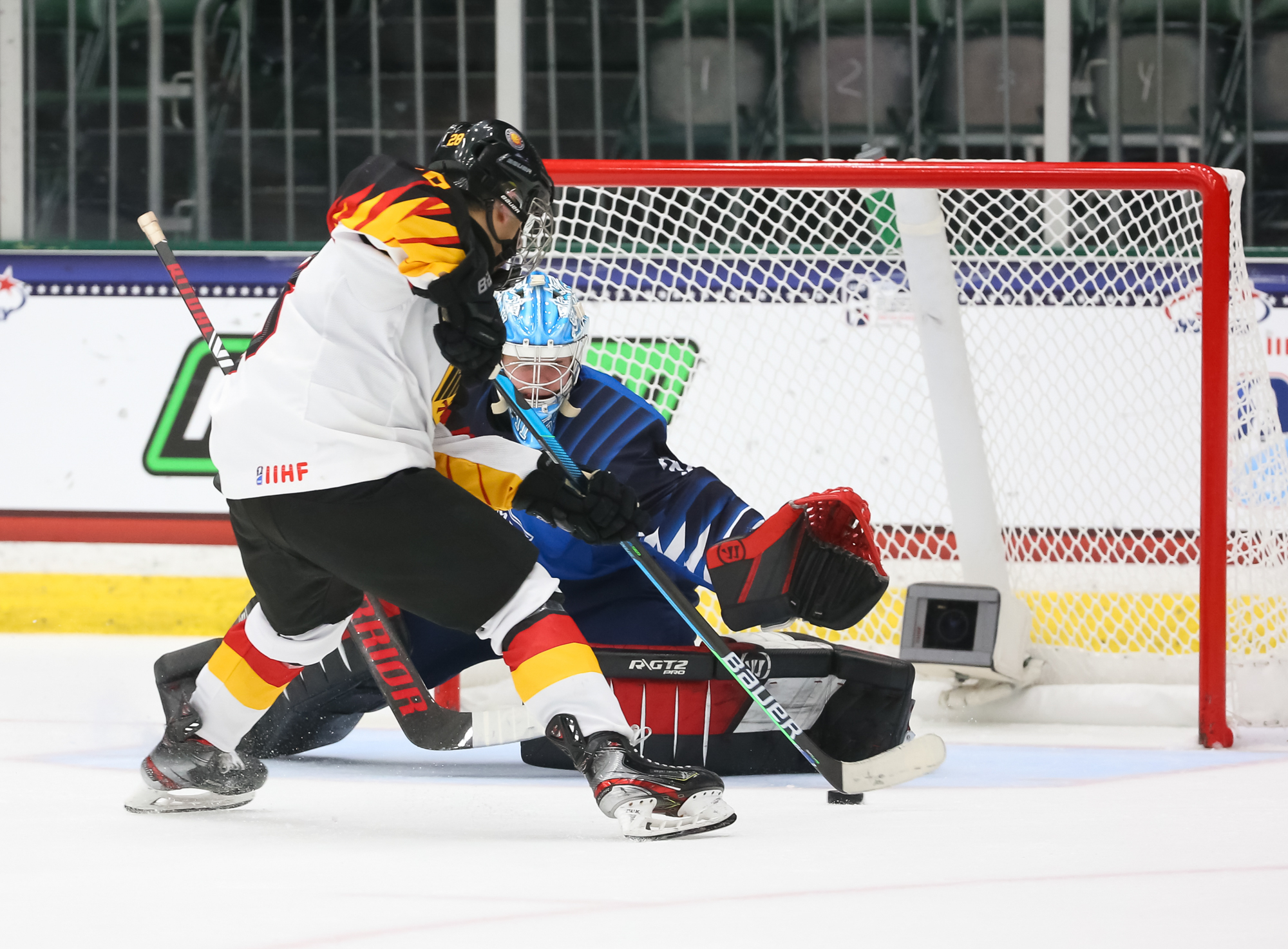 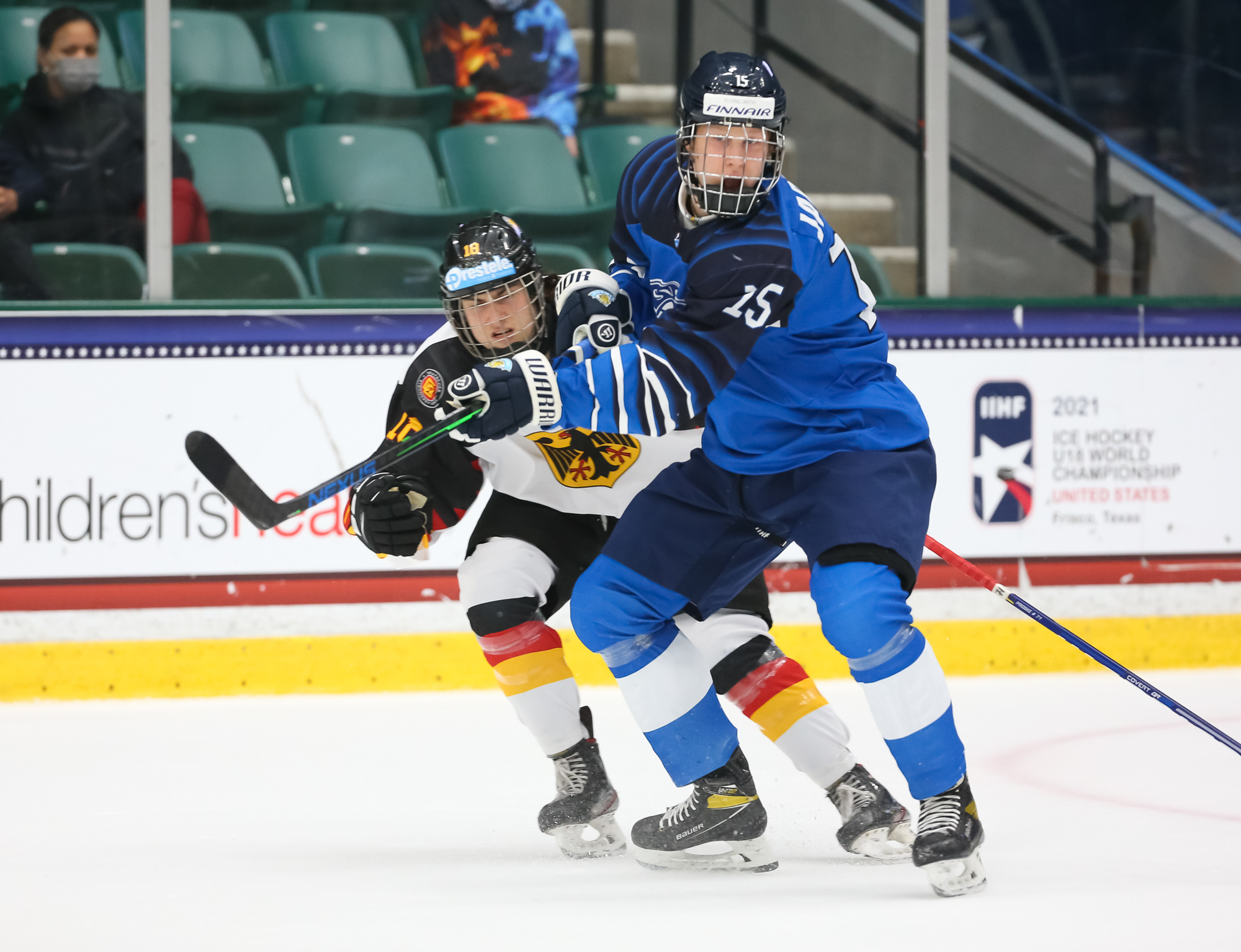