"It was a tough match against Switzerland," said Finnish defenceman Viljami Juusola. "But luckily, we got the goals and continue on to play in the semi-finals. So that's good for us."

Advancing to Wednesday's semi-finals, the Finns will play for a medal for the first time since winning gold in Chelyabinsk in 2018. Altogether, Finland owns four gold medals in U18 Worlds history.

In many respects, Swiss coach Marcel Jenni's boys played their best game of these U18 Worlds, executing a stifling defensive plan to near-perfection and frustrating the Finns. Yet once the underdogs fell behind, it was an uphill battle.

"We played against one of the best teams in the tournament and we almost beat them," said forward Attilio Biasca. "It's all the time that 'almost' that [ticks] me off. We had a really good team. We were going to try to win this tournament. That didn't happen."

We showed all the haters and stuff that we're not Swiss cheese. We are good hockey players and we can play hockey. Swiss hockey is getting better every tournament.
Attilio Biasca
Swiss forward
Final shots favoured Finland 25-23.

Both sides had players returning to the line-up for this do-or-die matchup. For Finland, offensive catalyst Brad Lambert stepped back in after missing two games, while fellow forward Oliver Kapanen played his first game since suffering a heavy fall into the boards in the opening 4-3 win over Russia.

Meanwhile, Switzerland welcomed back assistant captain Louis Robin, who registered a goal and an assist in the 4-2 win over Latvia, after a two-game absence.

"I'm really, really happy for the result," said Finnish head coach Petri Karjalainen. "It was a very difficult game for us. Good start, but we weren't able to score, and Switzerland was, so far, the most committed team we've faced to defending and blocking shots. They were in the middle all the time."

In a scoreless first period, Swiss goalie Kevin Pasche came up big to foil top Finnish scorer Samu Tuomaala on an early breakaway. The Finns pressed during their first two power plays, but the Swiss hung in there with a diligent two-way effort, blocking shots with reckless abandon.

"We play as a team," said Switzerland's Biasca. "Our PK was unbelievable. We blocked those one-timers and everything. It's just a part of hockey."
World Men U18
Finland vs Switzerland (QF) - 2021 IIHF Ice Hockey U18 World Championship
Captain Samu Salminen's power-play goal broke a scoreless tie at 19:56 of the second period as Finland beat Switzerland 2-0 in Monday's third quarter-final.
FIN SUI 04 MAY 2021
The red-and-white team pushed back in the second period, looking more confident as the score stayed even. The Finns struggled to get clean zone entries, and Koskenvuo had to hold down the fort. It took Finland nearly 11 minutes to get its second shot on goal in that middle frame.

After Finland squandered its fourth power play, Kapanen's holding minor gave Switzerland its first chance to draw first blood. That went nowhere, and the Finns returned to the man advantage at 19:06 of the middle frame when Swiss leading scorer Dario Sidler (0+3=3) caught Heimosalmi with an illegal high open-ice hit, getting a two-minute minor and a 10-minute misconduct.

With that power play, a chink appeared in Switzerland's armour. Tuomaala found Salminen on the back side with a great pass from above the left faceoff circle and the captain scored his fifth of the tournament just before the buzzer.

"It was a big goal for our team, and it was a beautiful goal," said Sisu Yliniemi.

"[Stuff] happens," said Sidler. "I mean, you get a goal [against] and you have to go hard and try everything to even it up. But nothing happened in front. We didn't score some goals."

At 6:42 of the third period, Switzerland got a golden opportunity. Robin received a penalty shot when he picked off an errant Tomi Leppanen pass and got slashed going in on a breakaway. However, Koskenvuo coolly stopped the attempt.

"Aku played a huge game tonight. He had a couple of 2-on-1's and breakaways, and he played that [penalty shot] situation very well," said Juusola. "It was a very important situation."

From there, the Finns were dominant. To make it 2-0, Heimosalmi went on an end-to-end rush down the left side, cut in, and roofed a bad-angle shot past Pasche at 10:42. The defenceman also scored on a dazzling solo jaunt in the 6-5 comeback winner over the Czech Republic.

Jenni pulled Pasche for the extra skater with 1:05 left, but it was too late to change the outcome.

"From the second game on, we really struggled with our PK and a little bit in discipline issues," said Jenni. "But overall, 5-on-5, we were right there with every team. We were actually good, but our special teams were not so good. Today, everything came together and we thought we were ready to win a big game."

The Finns, who finished seventh at the last U18 Worlds in 2019, were relieved to avoid being eliminated in the quarter-finals for a second consecutive tournament. That last happened in 2012.

This tournament was a small step forward for the Swiss, who finished ninth in 2018 and 2019. They came eighth in 2016 and 2017. Their three best players of 2021 were named after the quarter-final: Dario Sidler, Lian Bichsel, and Kevin Pasche.

The last time Switzerland defeated Finland in a U18 Worlds playoff game was 20 years ago en route to their lone medal (silver). The final score was 4-2 in the 2001 semi-final in Helsinki. Those teams included the likes of Andres Ambuhl, Severin Blindenbacher, Mikko Koivu, and Kari Lehtonen.

With the quarter-final loss, Switzerland's all-time record versus Finland at this tournament fell to three wins, one tie, and 12 losses.
Finland vs Switzerland (QF) - 2021 IIHF Ice Hockey U18 World Championship 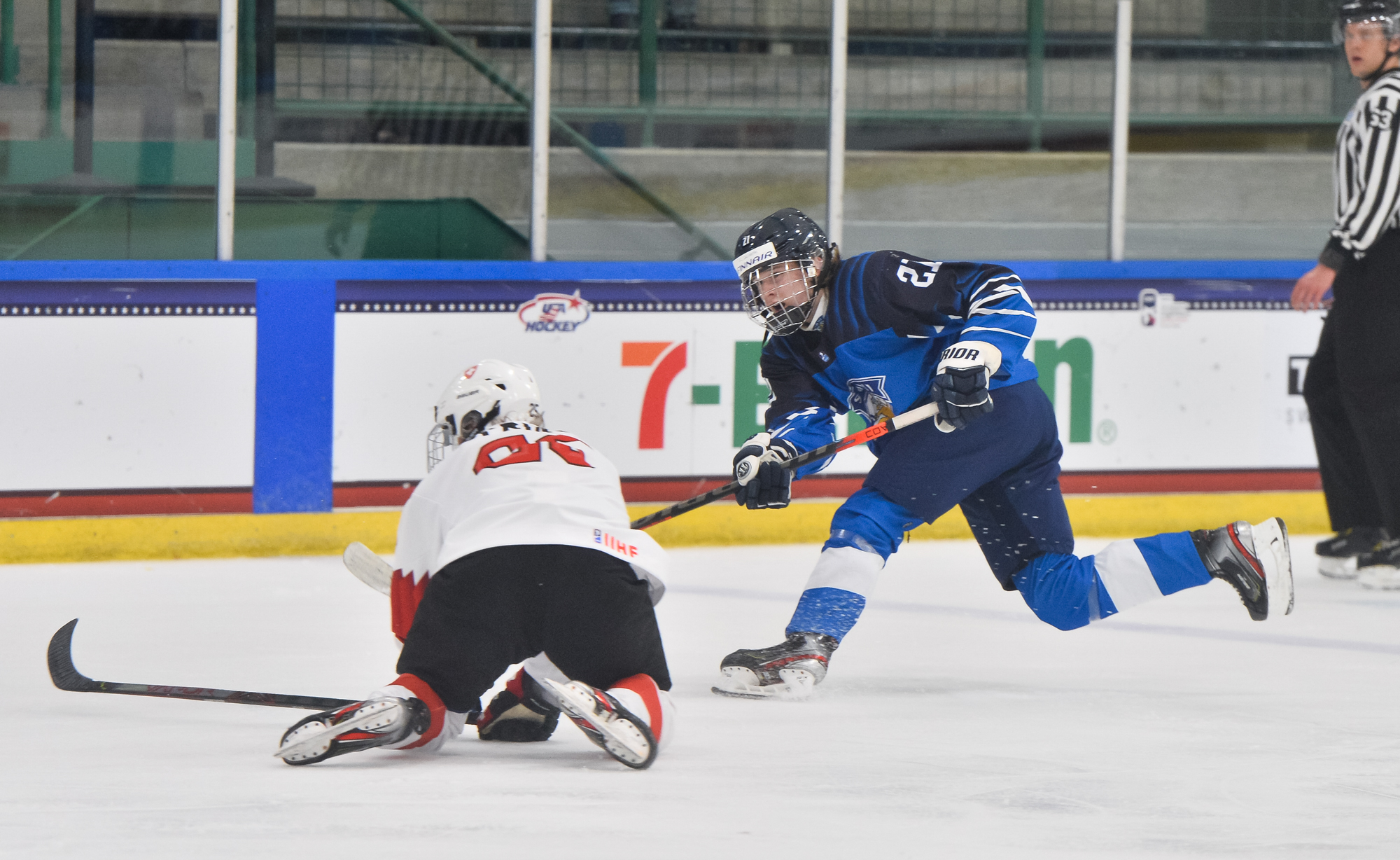