Asiago advances
The Asiago Hockey players pose for a team photo after winning the deciding game against Amiens Gothiques.
photo: Alexandre Arbeaumont
share
Having progressed to the final stage last time they participated in 2015/16, Asiago Hockey made a winning return to the IIHF Continental Cup.

Thanks to inspirational goaltending, valiant penalty-killing and clinical finishing, Asiago finished top of Group D in the second round of the 2021/2022 IIHF Continental Cup, played in Amiens, France.

Despite being emphatically outshot 50-16, the Italians coached by Petri Mattila edged the hosts Amiens Gothiques 3-2 during a winner-takes-it-all thriller on Sunday night in front of 1,600 at the Coliseum.

A Daniel Mantenuto’s brace early in the second frame gave the Italians a three-goal cushion they never relinquished. At the other end, Gianluca Vallini capped a memorable night in the Asiago net recording 48 saves.

En route to recording three wins out of three in Group D, Asiago scored first in each of their games. During the opening game of the tournament, Asiago went head-to-head with a familiar rival from the AlpsHL. With the game against Jesenice from Slovenia tied at three apiece and with 3:14 left of regulation time, Stefano Giliati’s effort from the point was initially saved by Jesenice´s netminder Oscar Froberg before Michele Marchetti netted the rebound to grind out a 4-3 winning start for Asiago. Facing Romania’s Corona Brasov in their second game, the Italians went ahead with two early goals, winning 4-2 with Mantenuto grabbing a goal and two helpers.

Amiens had enjoyed an easy ride during their two first games in Group D as Corona Brasov and Jesenice were comfortably thumped 6-0 and 9-1 respectively.

But once the puck was dropped against Asiago during their Sunday night showdown, Amiens ended up on the back foot early with Anthony Salinitri opening the scoring for the Italians after 3:28.

Despite Asiago sitting out three consecutive minor penalties, the French hosts failed to capitalize on their ensuing power-plays as Asiago netminder Vallini stood firm stopping 16 shots on goal during a first frame dominated by Amiens.

But early in the second frame, Amiens found themselves deeper into trouble. With Jeremie Romand serving an interference penalty, 24-year-old Mantenuto doubled Asiago’s lead. He was still on the ice 52 seconds later when silencing the home crowd with his second of the evening stretching Asiago’s lead to three.
With Amiens´ power play seemingly failing to get into gear, an inspirational individual effort sparked the French hosts into life. Playing 5-on-4 Baptiste Bruche collected a Stanislav Lopachuk pass in his defensive zone and thundered through the entire Asiago rearguard to finish high past Vallini at 28:02.

Just over three-and-a-half minutes later Amiens was firmly back into the contest. Asiago’s Gregorio Gios was serving a tripping minor when Klemen Pretnar, a Continental Cup Champion in 2018 with Yunost Minsk, instigated a move as red-hot Bruche found the net once again to cut Asiago’s lead to one.

With Asiago heading into the final frame with a frail 3-2 lead, Amiens stormed ahead in search of an equalizing goal. Having the back against the wall for long spells, the Italian net was peppered with 25 shots during the final period. But the Asiago rearguard stood valiantly firm with a display from netminder Vallini that would make Asiago’s goaltending coach, the Finnish legend Jorma Valtonen, proud of his adept. Amiens pulled their netminder Henri Corentin Buysse with 61 seconds left of the third frame. It was to be in vain with Asiago holding out as jubilant players and a contingent of fans who had travelled to France were able to celebrate a memorable win.

Aziz Baazzi of Amiens showed offensive prowess from the blueline becoming the tournament scoring leader with 3+5. His was closely followed by his teammate Tomas Simonsen. Having turned 19 just two days ahead of the tournament the prospect born in Neuilly-sur-Seine notched five goals and two assists in three games.

Jesenice finished third and Romania’s Corona Brasov fourth. Brasov, who eased through as winners from the previous round, arrived with only 15 skaters. Five regular skaters and one goaltender had been unable to travel to France. Due to a player testing positive for Covid-19, Corona Brasov was required to place all unvaccinated players into a 10-day quarantine by French health regulations. As a result, the Romanian team agreed to forfeit its final Continental Cup Group D game against Jesenice.

Asiago’s success earns the team a place in the third round where it will compete in Group E. The Italians travel to Poland, where they will face hosts Cracovia Krakow, Kazakh champion Saryarka Karaganda and Slovakia’s HK Poprad in a round-robin contest played from 19 to 21 November.
2022 IIHF Continental Cup Group D 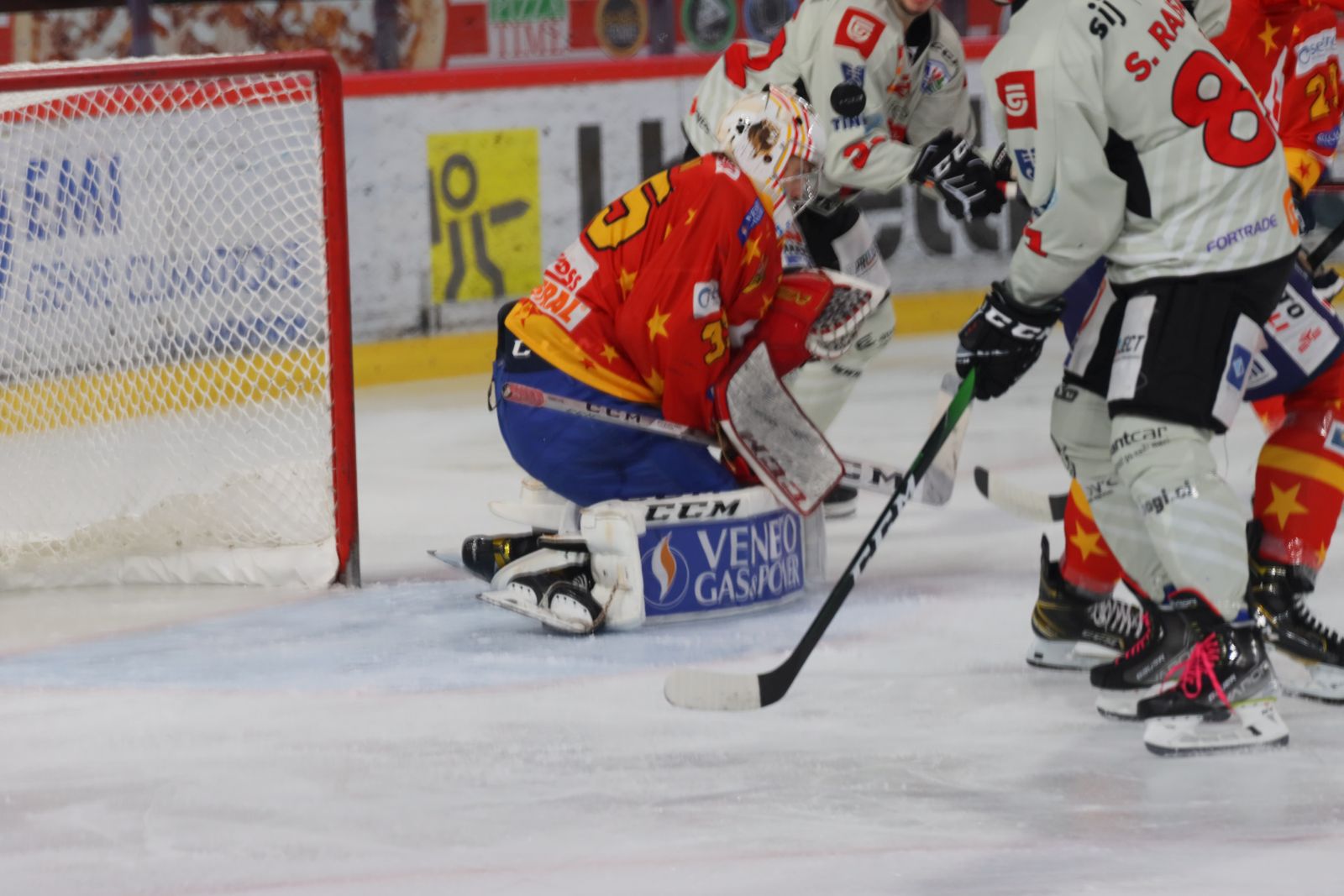 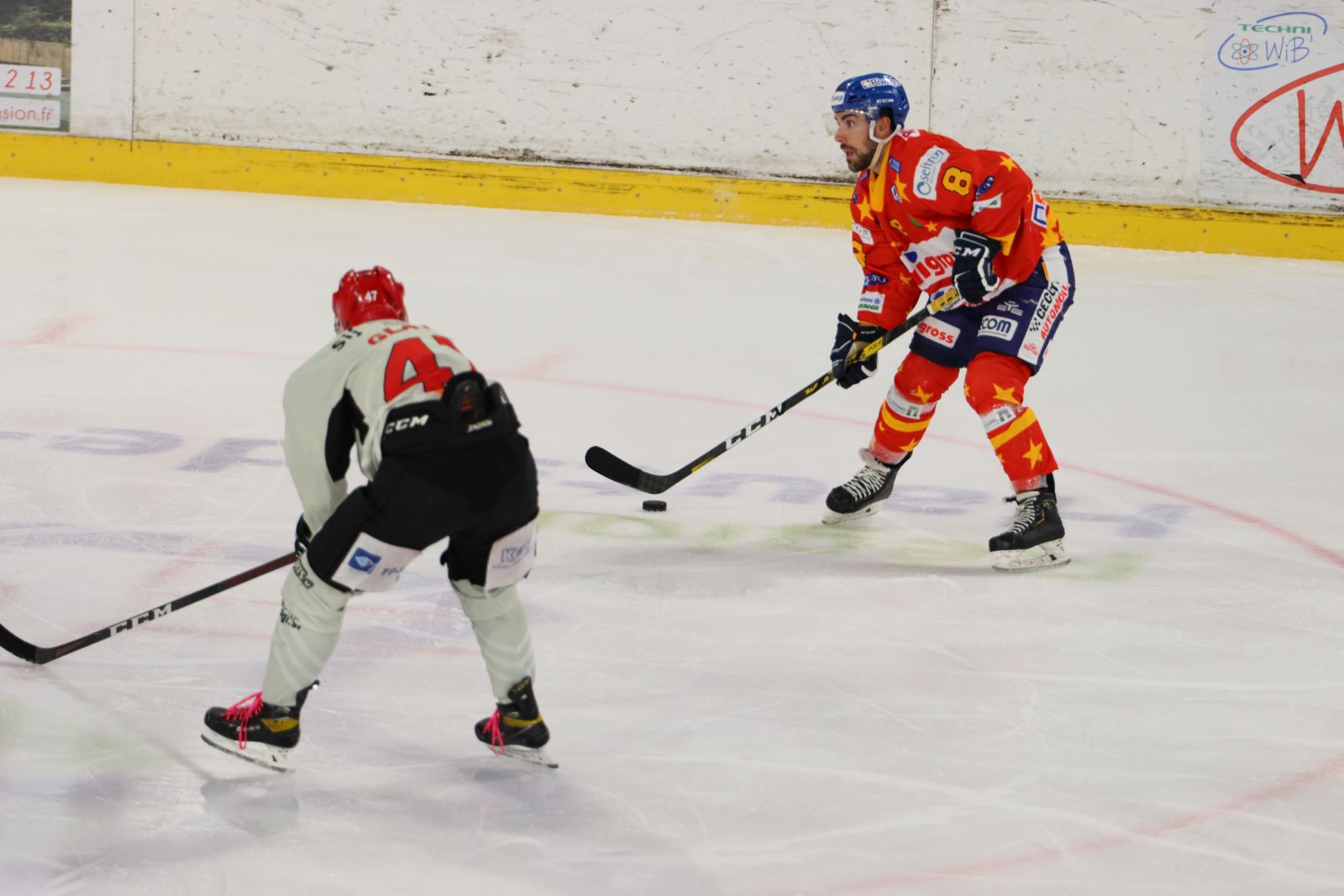 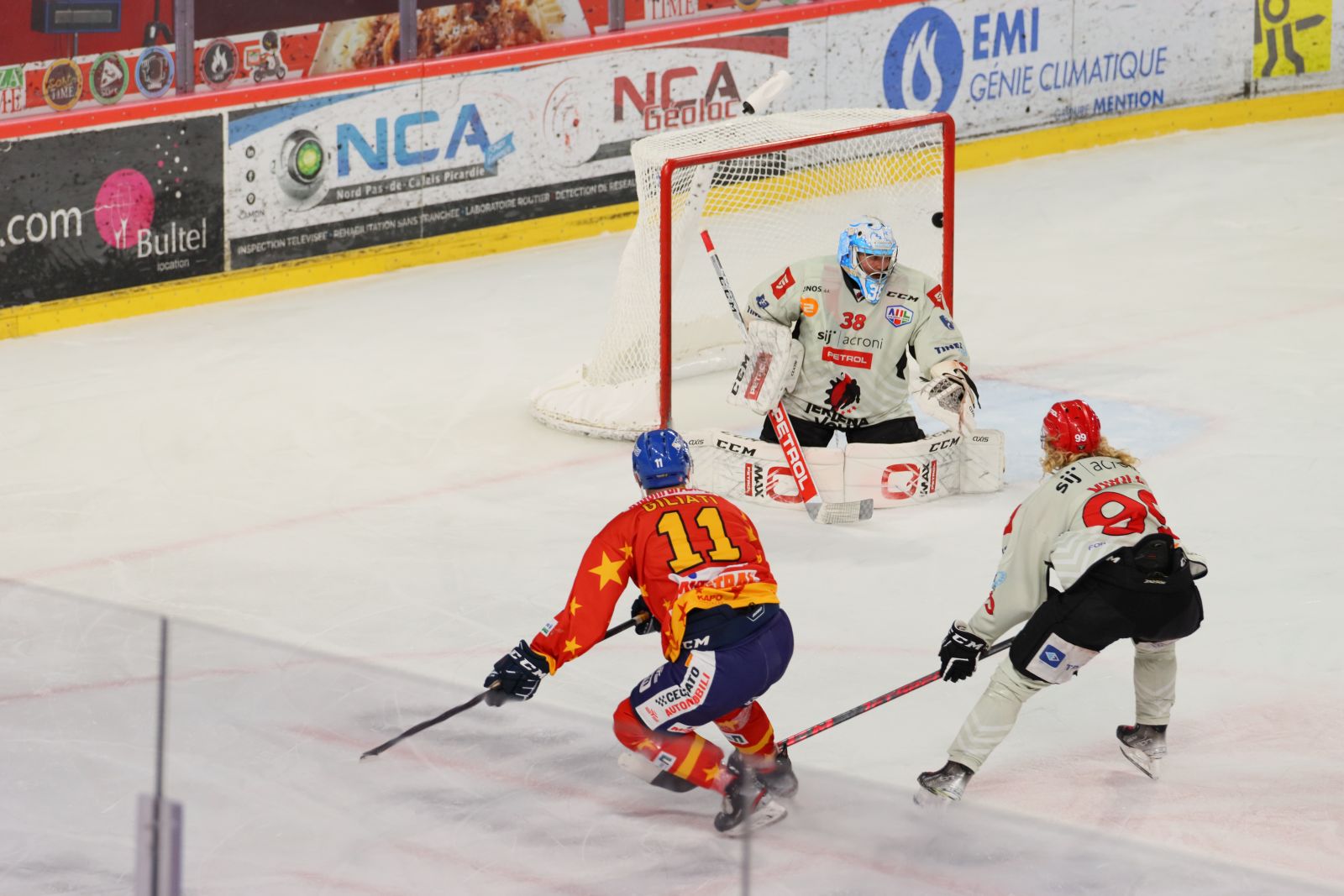 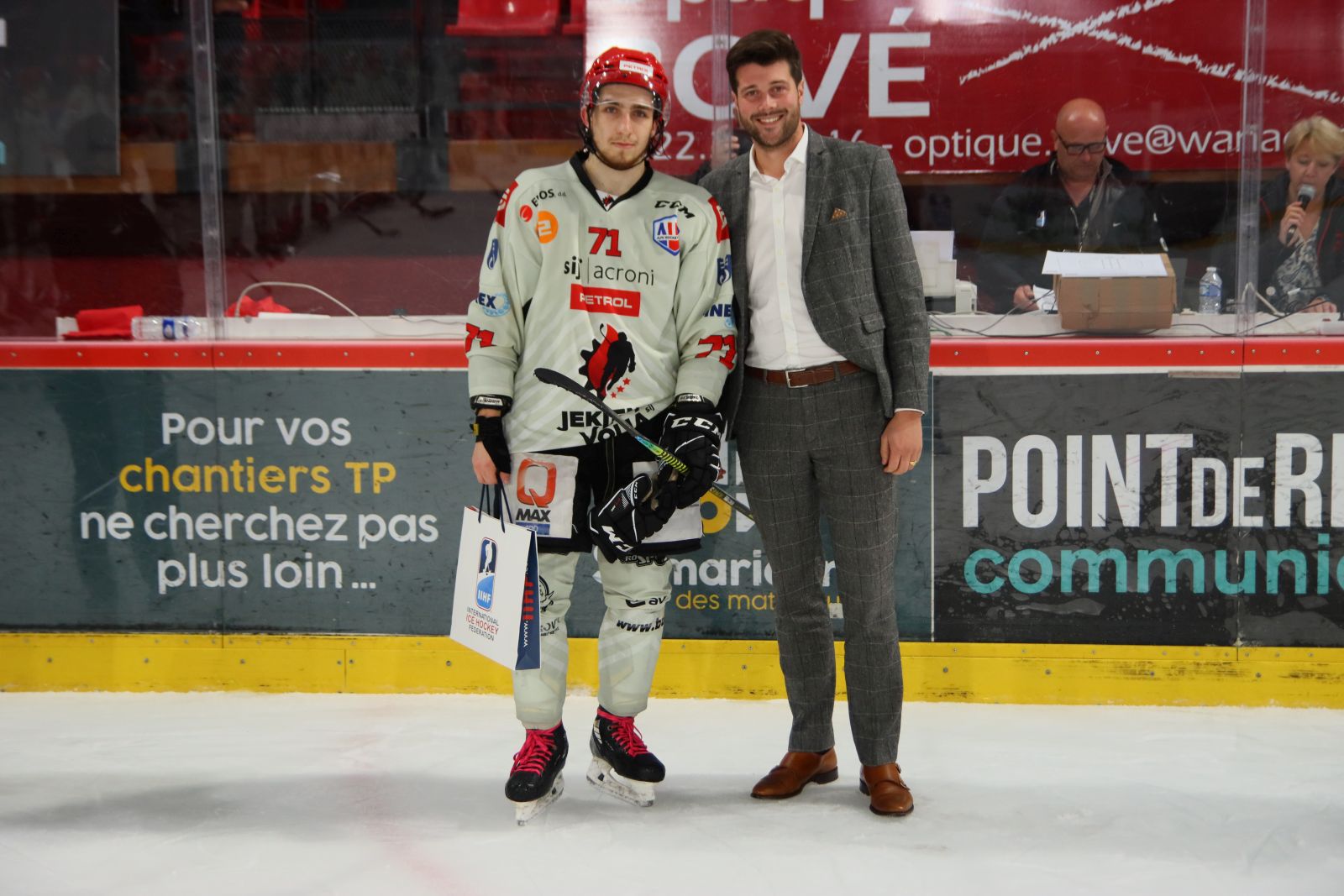 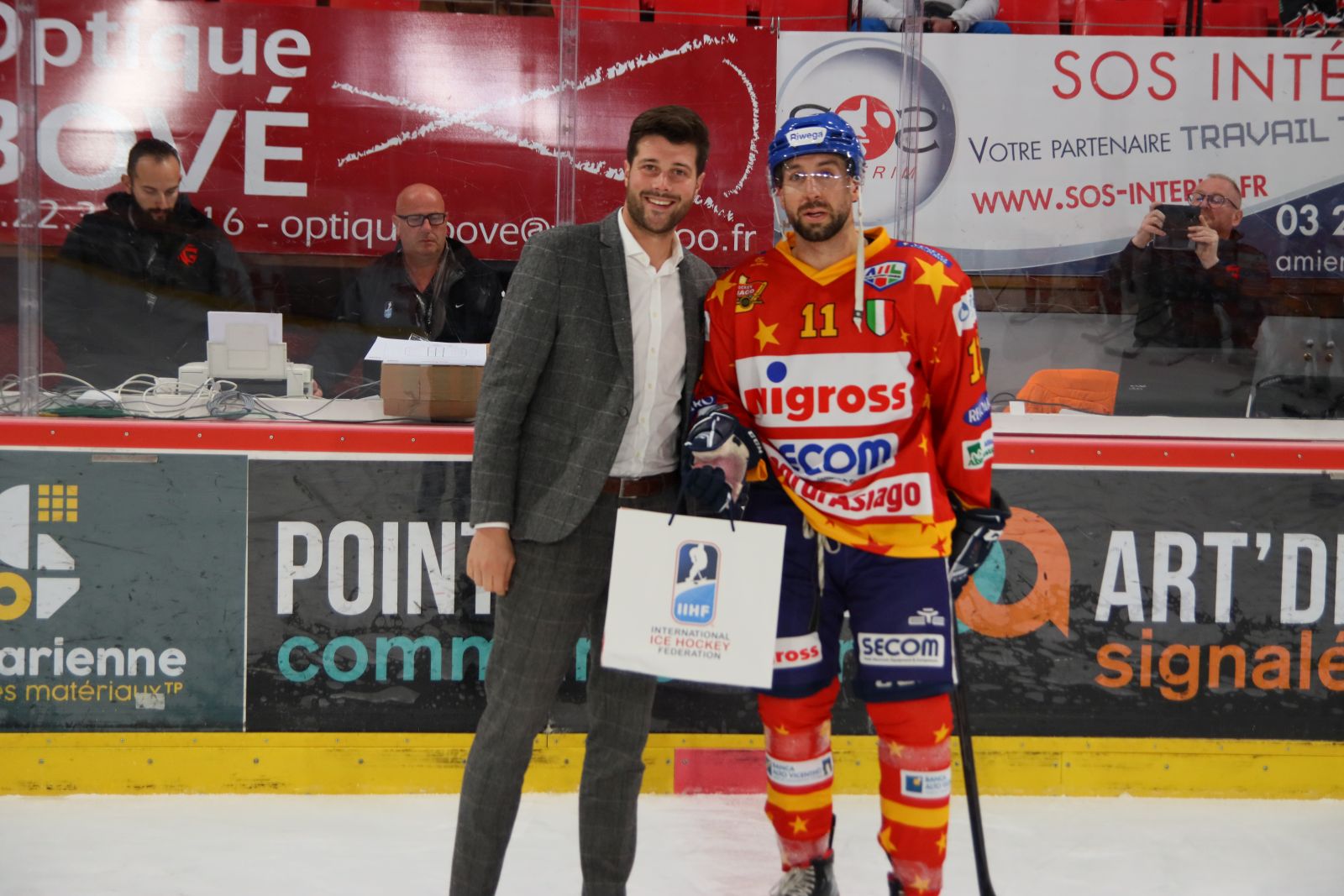 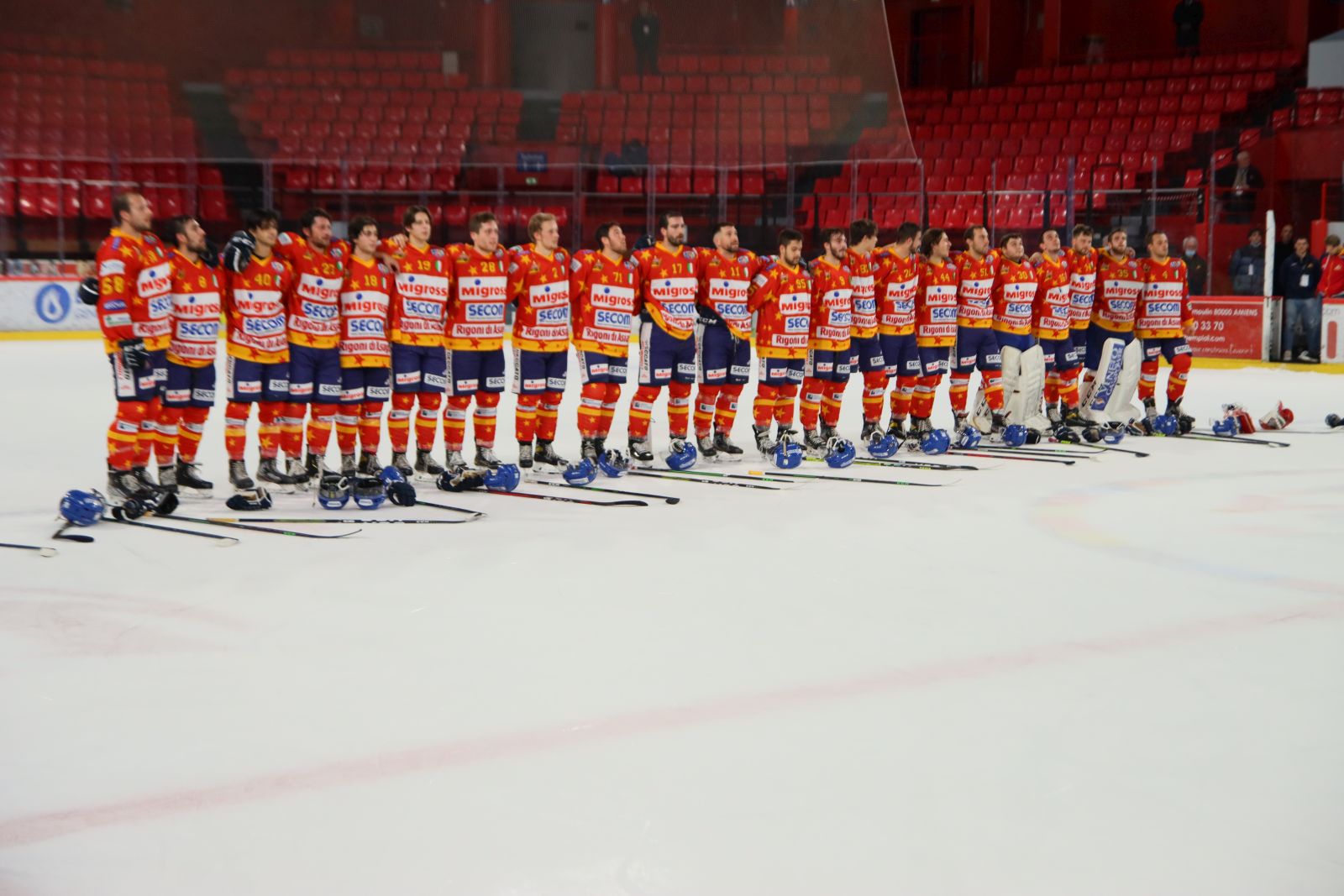 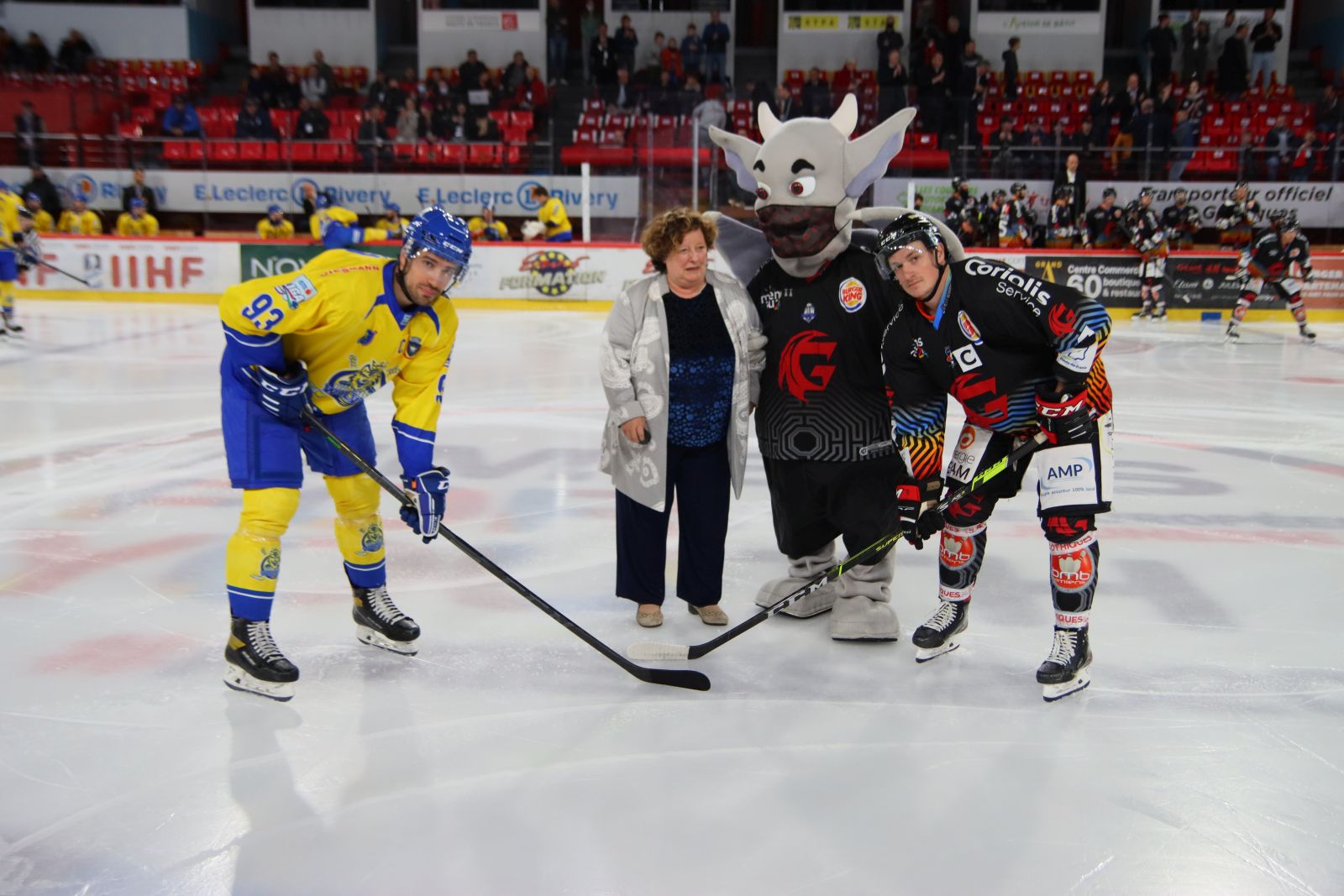 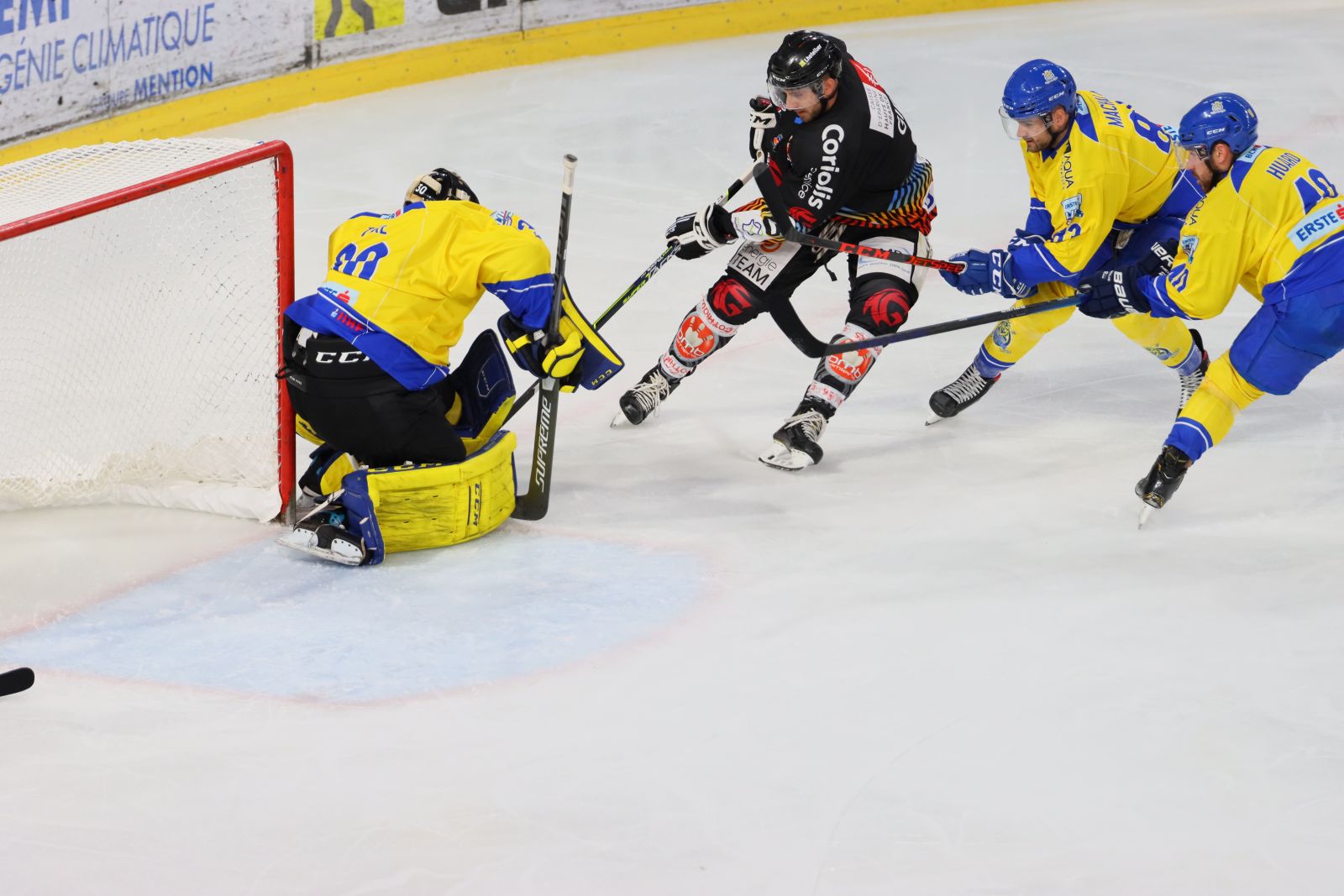 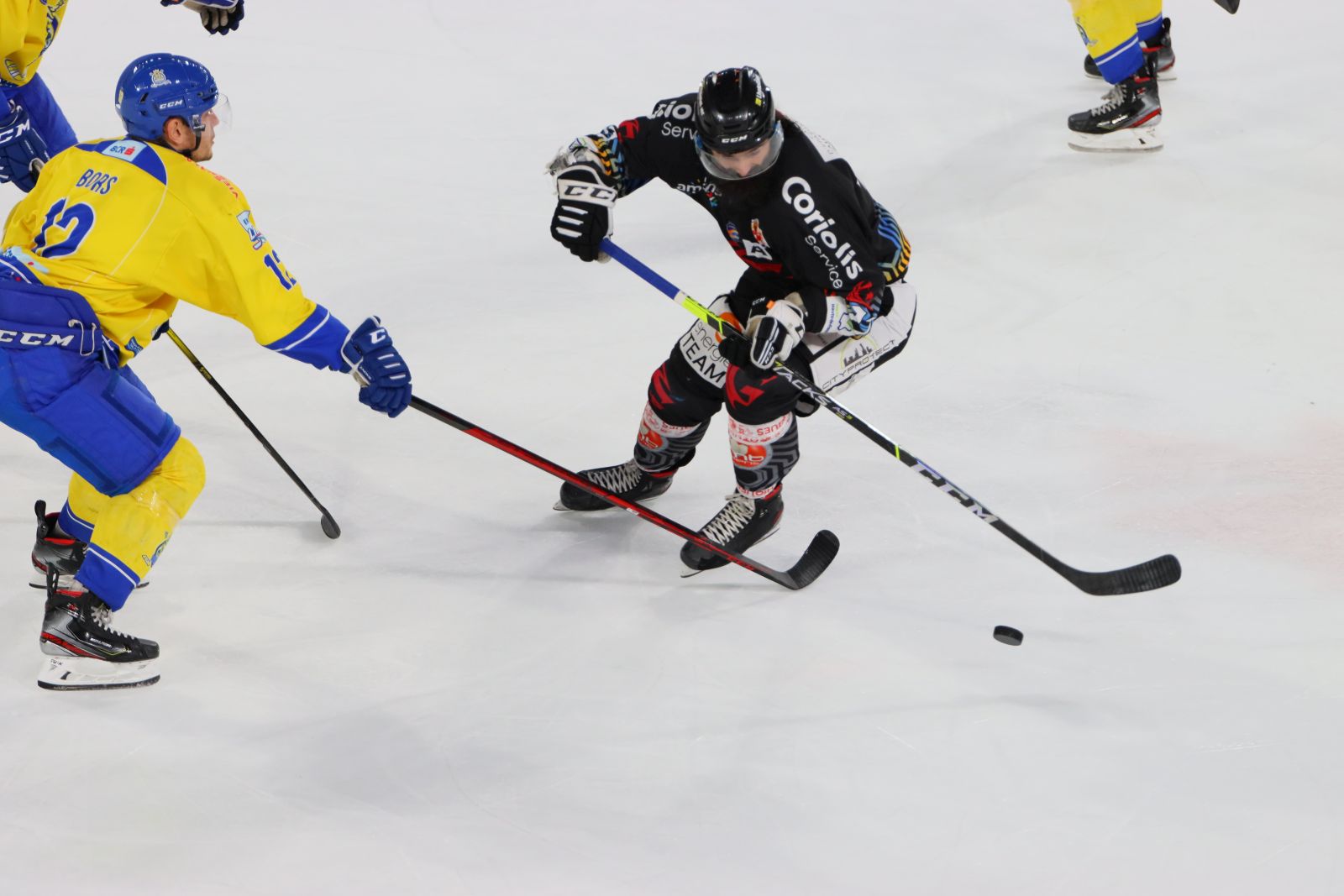 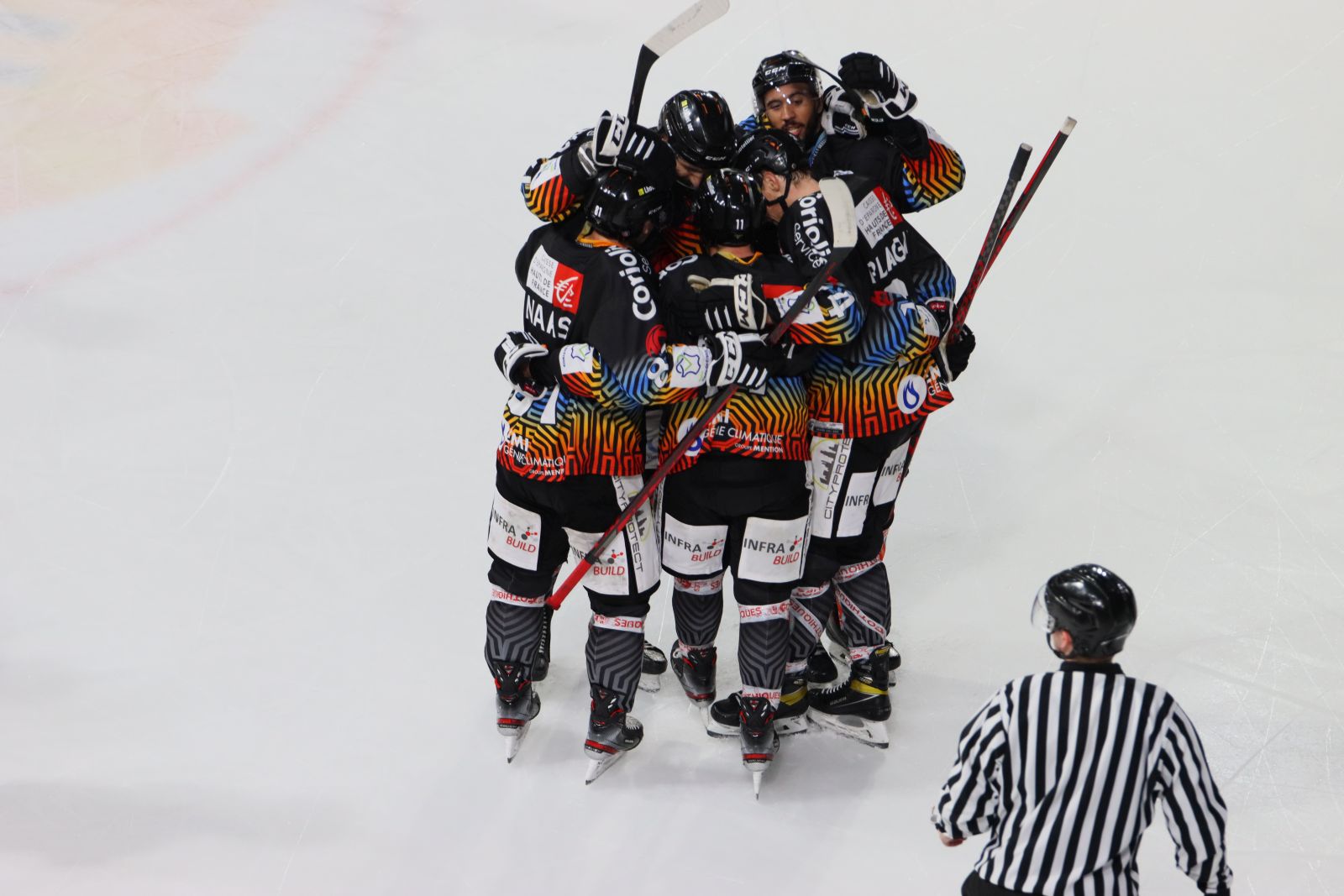 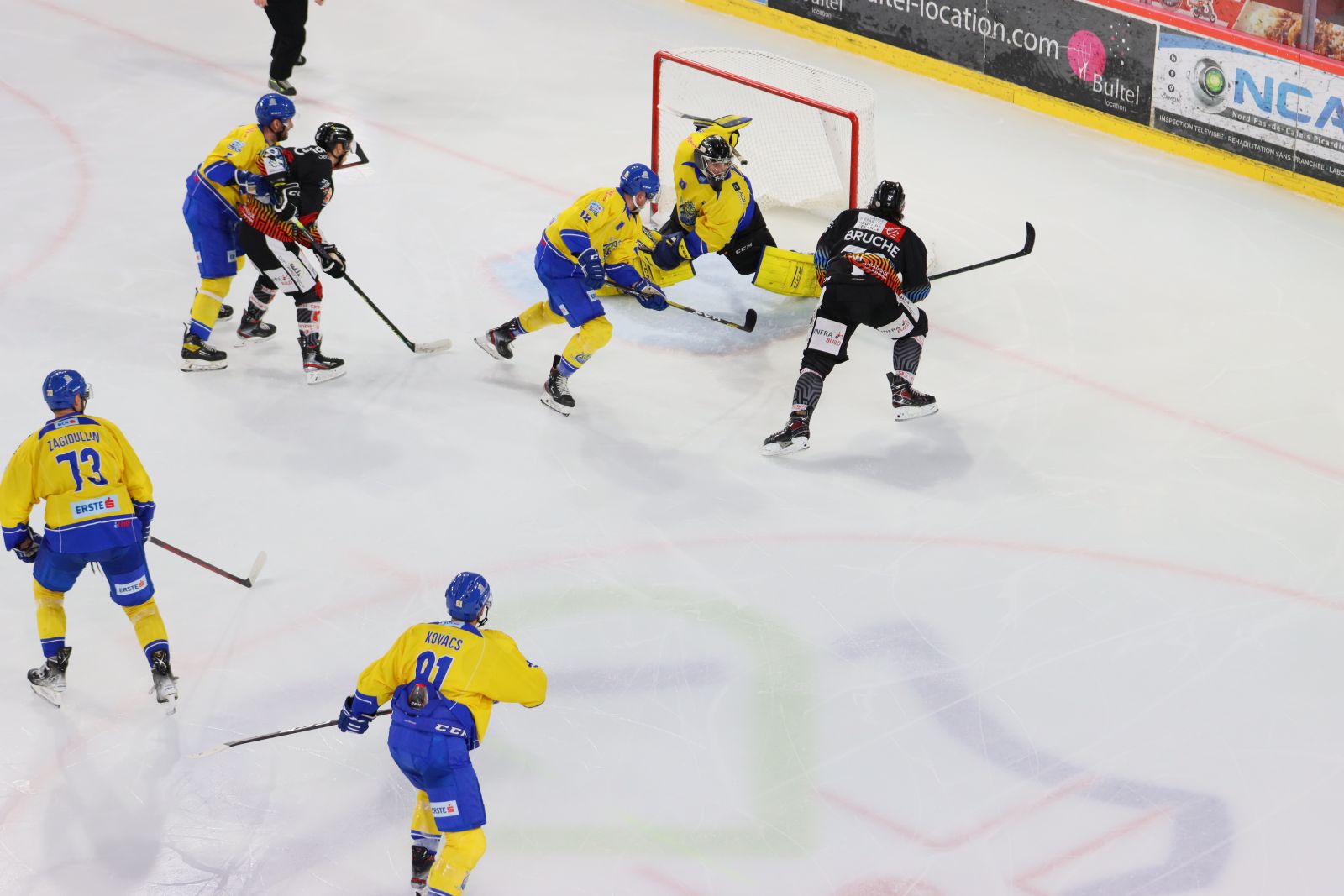 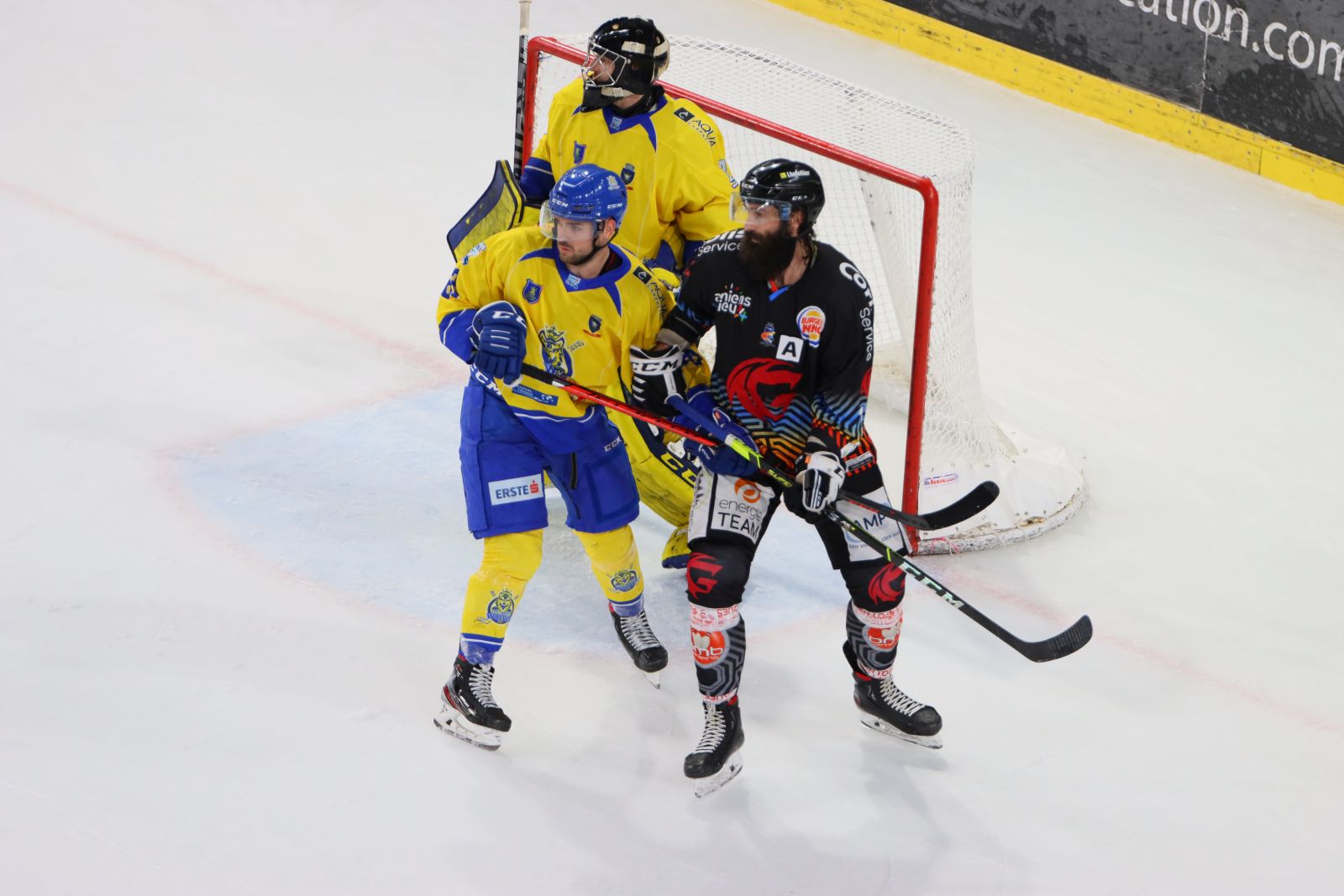 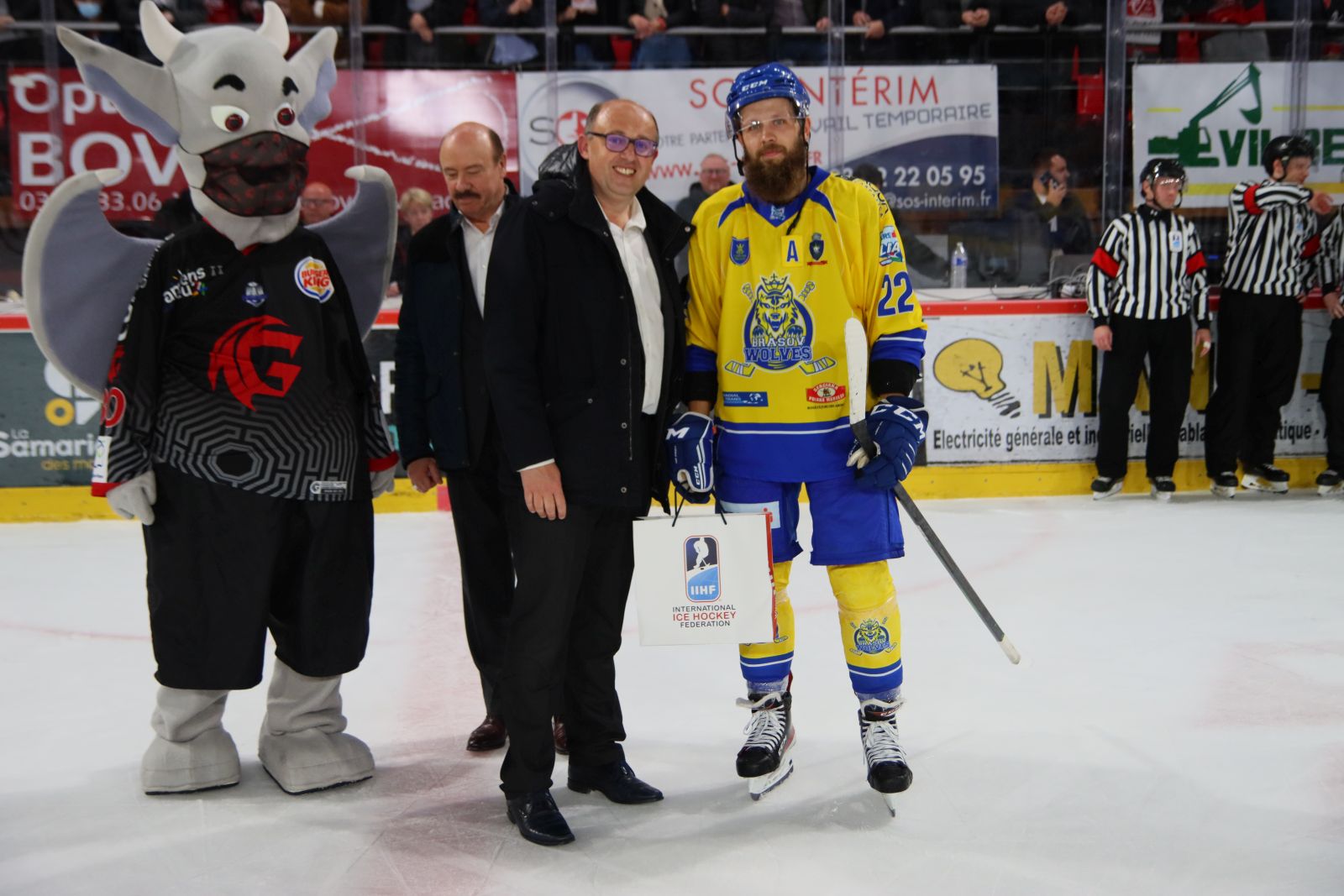 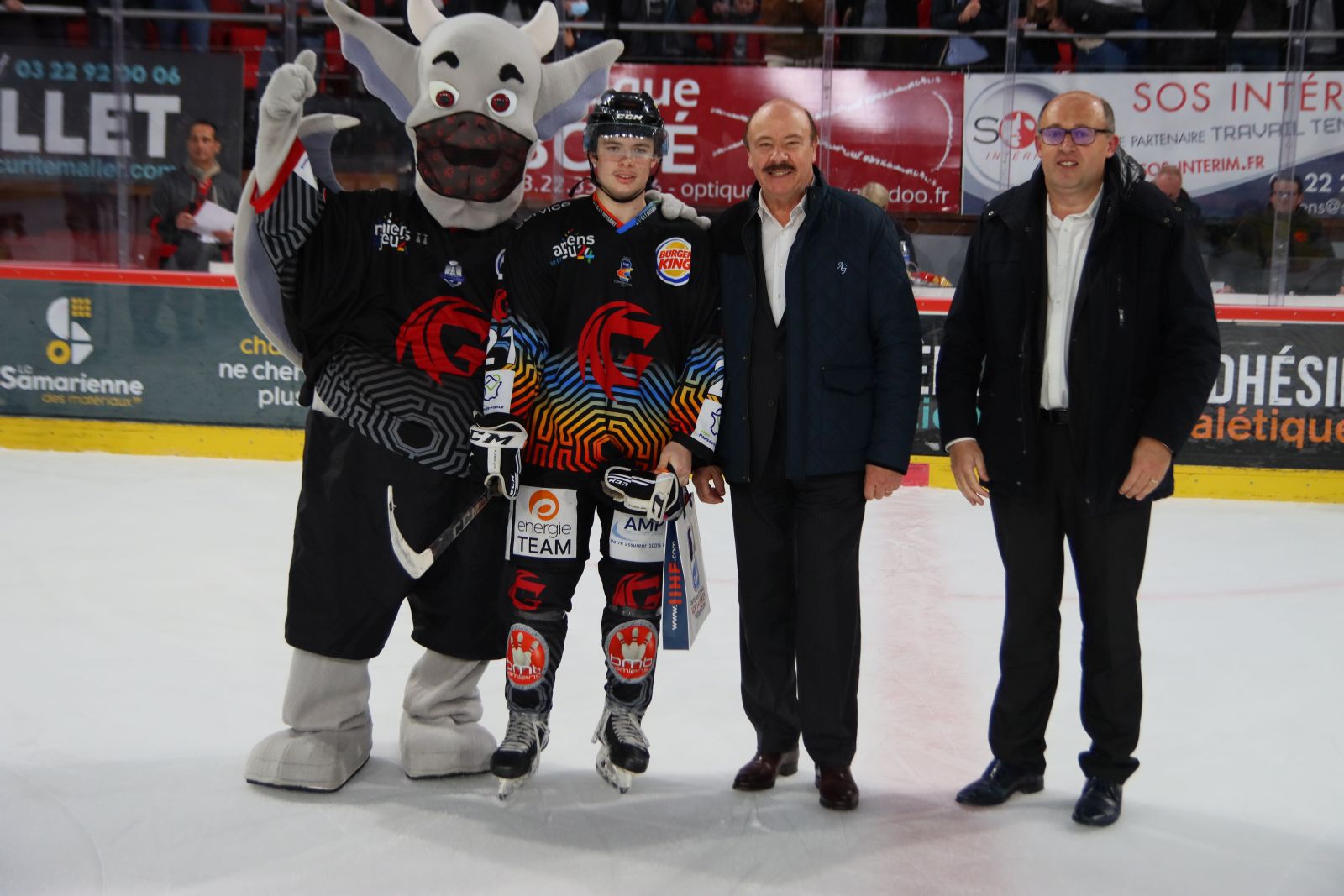 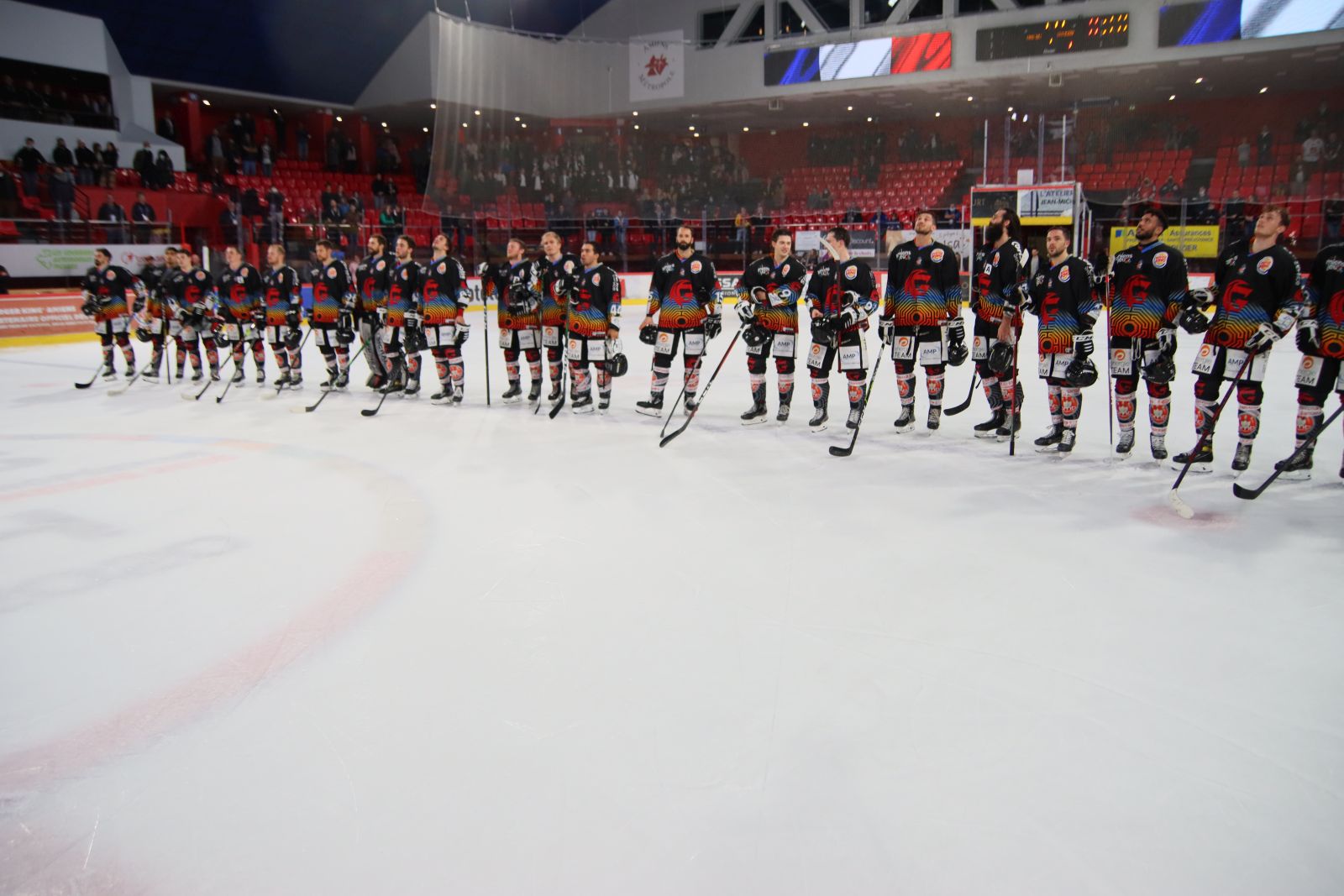 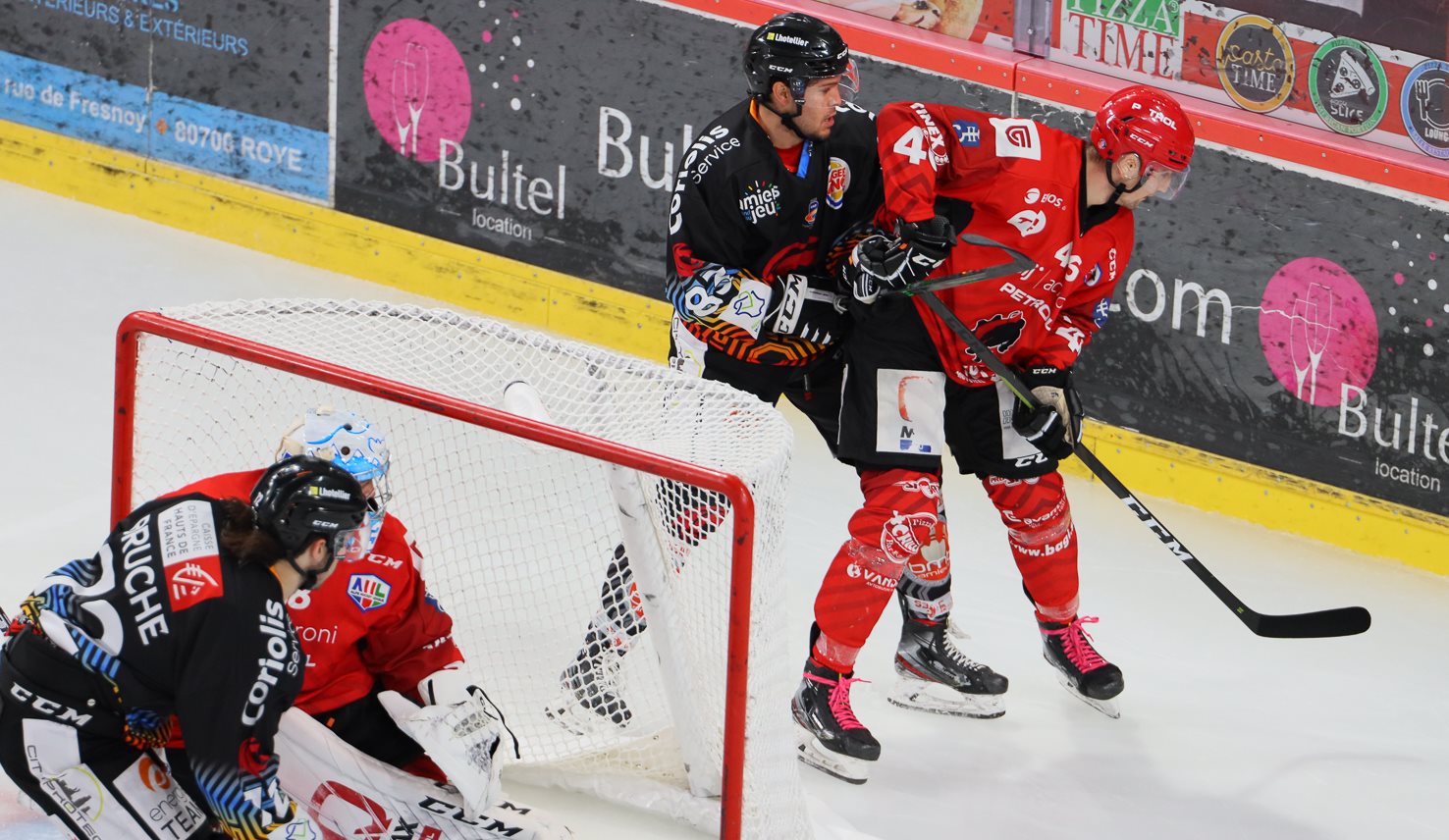 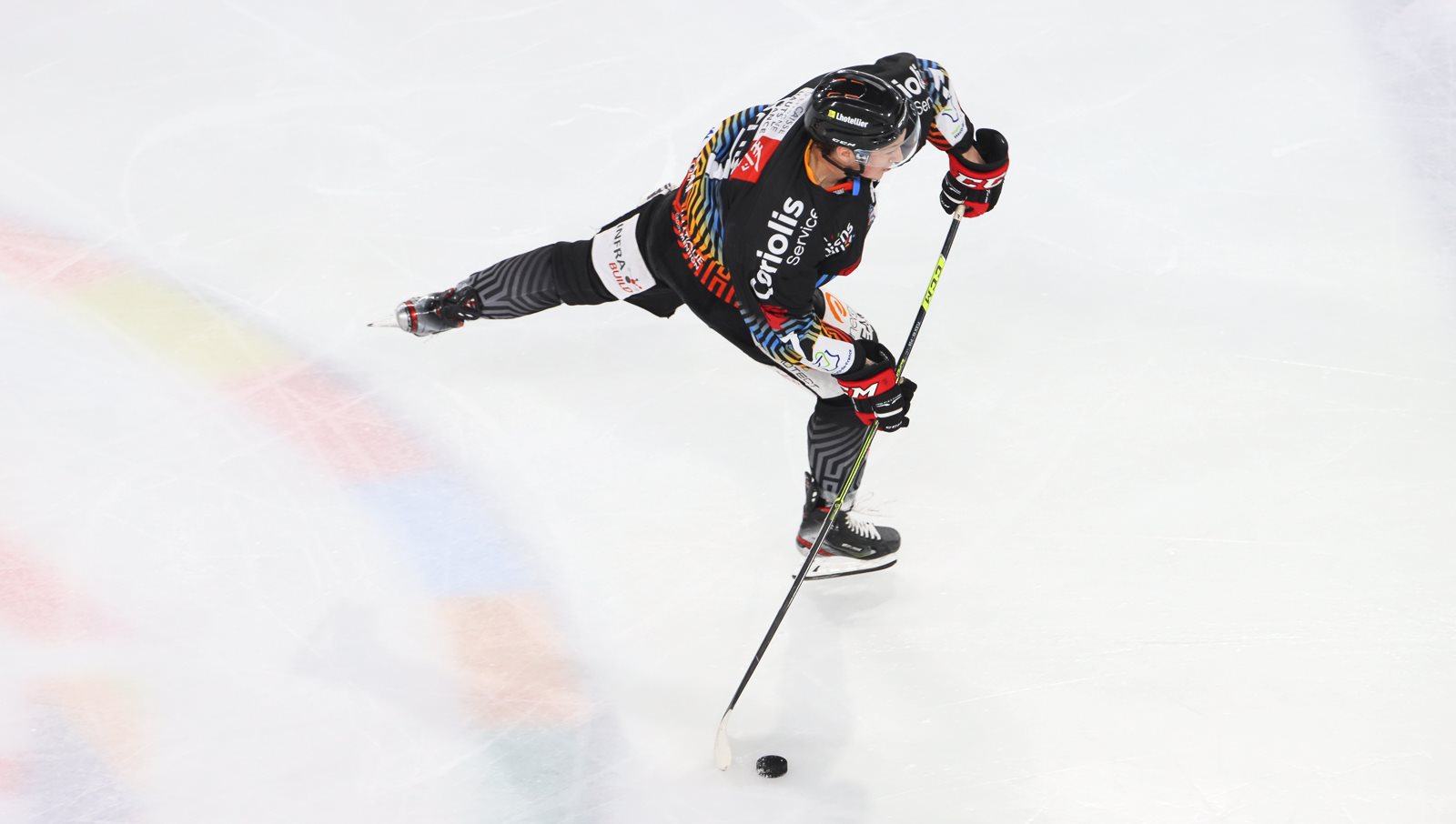 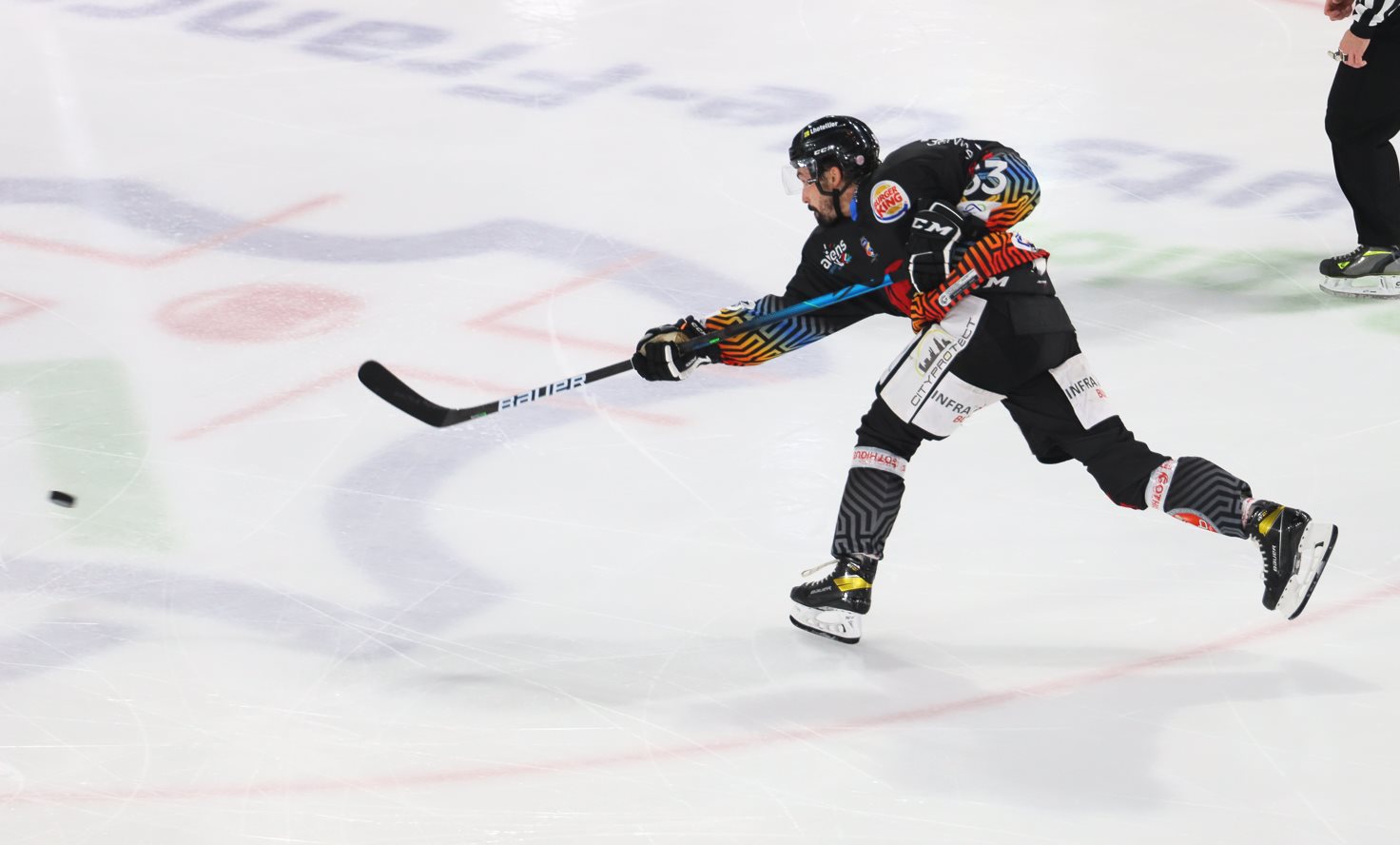 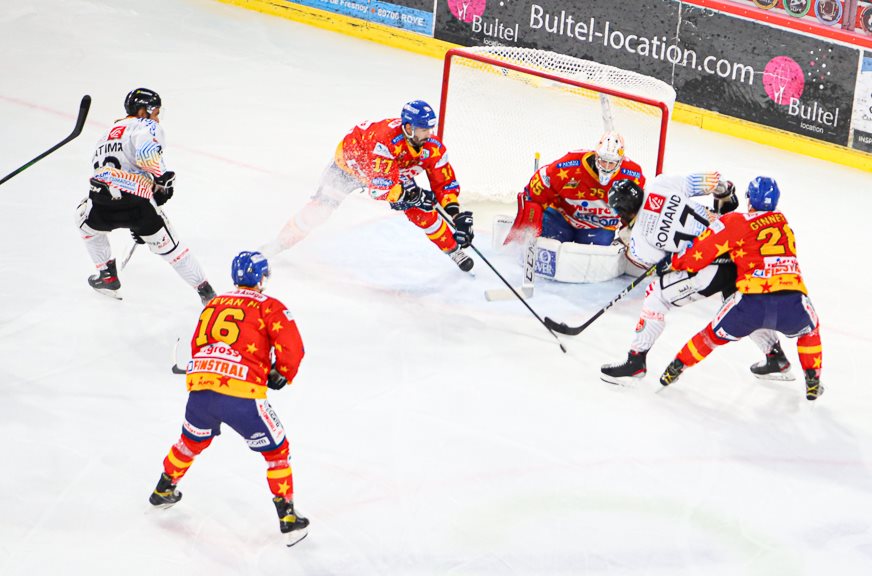 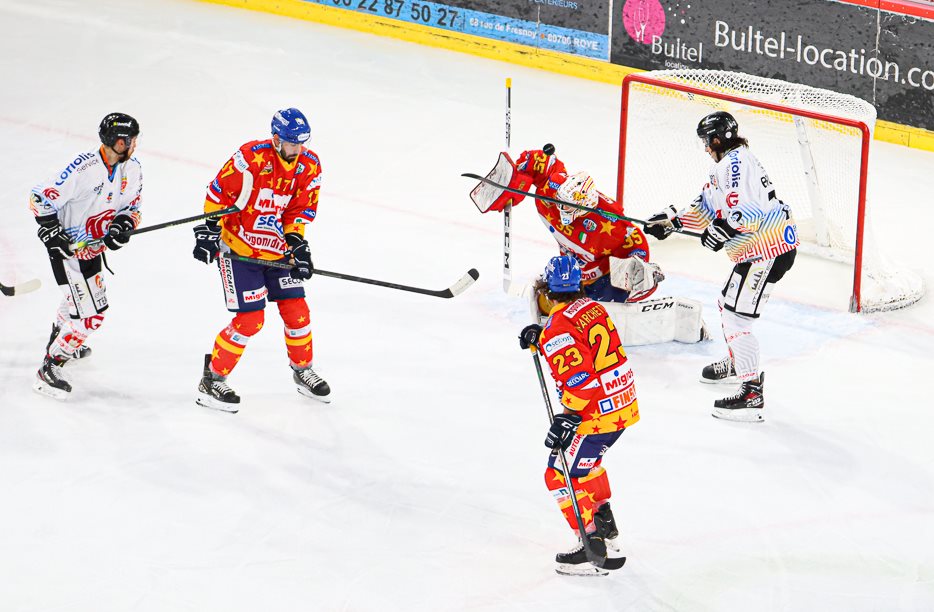 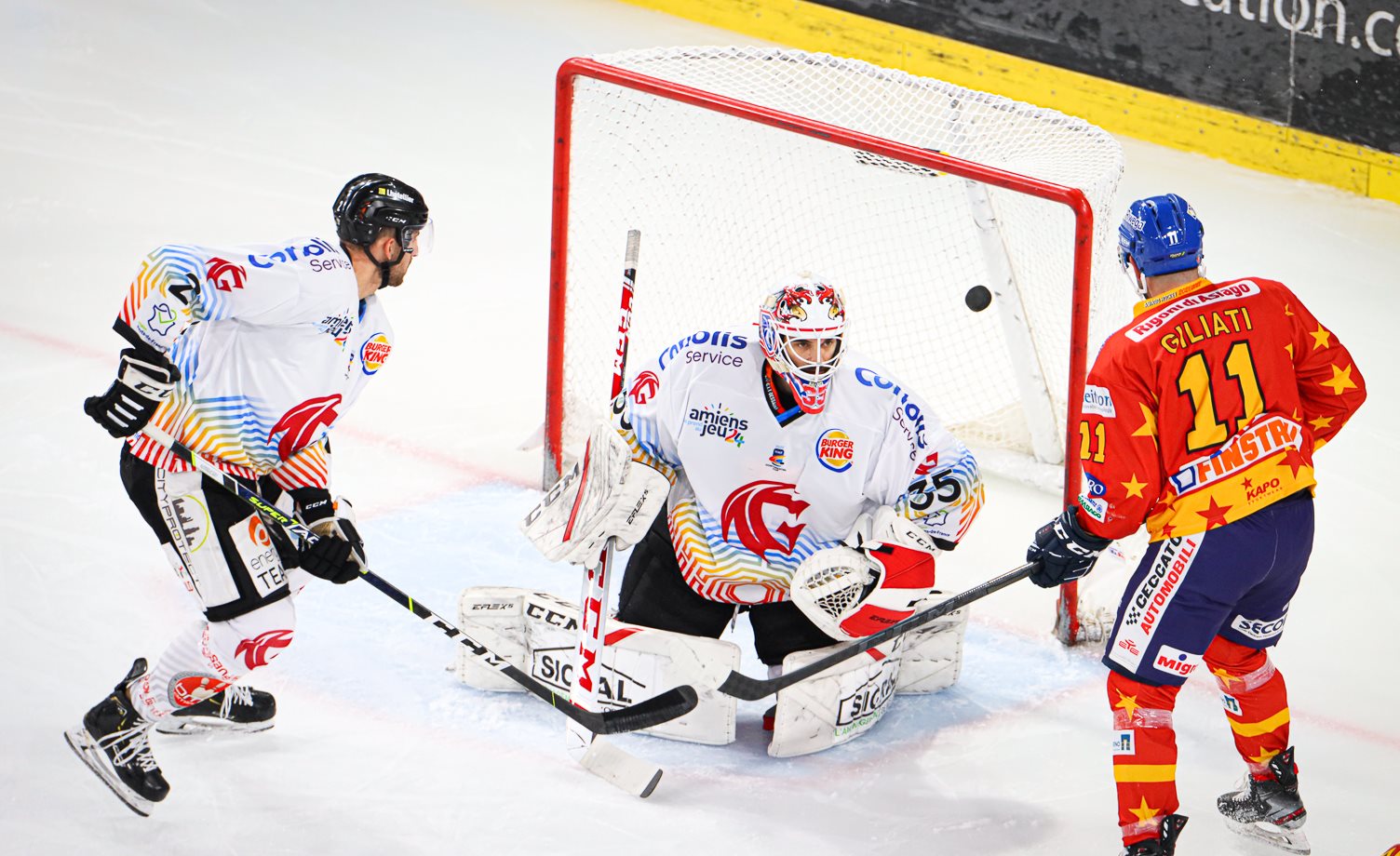 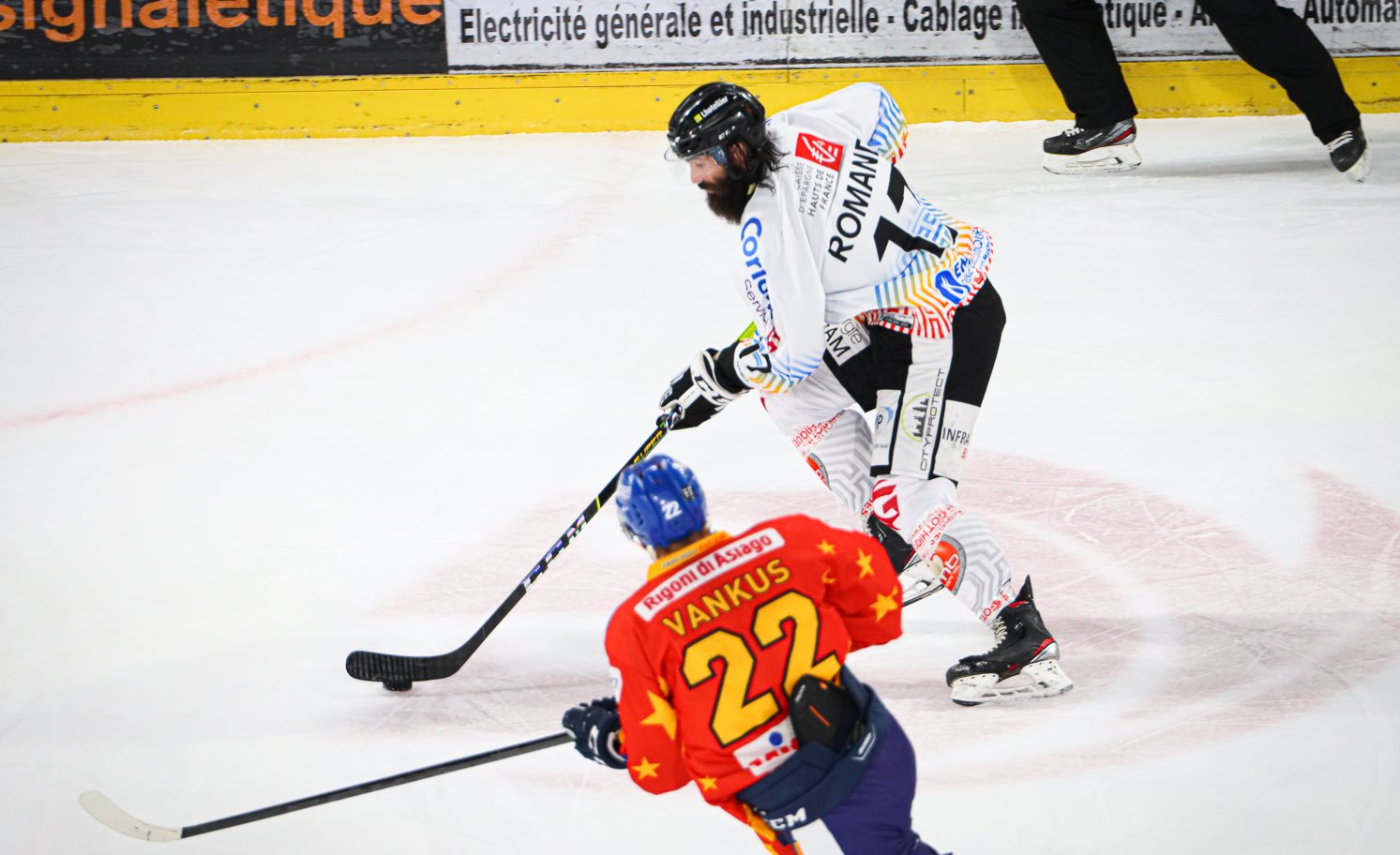 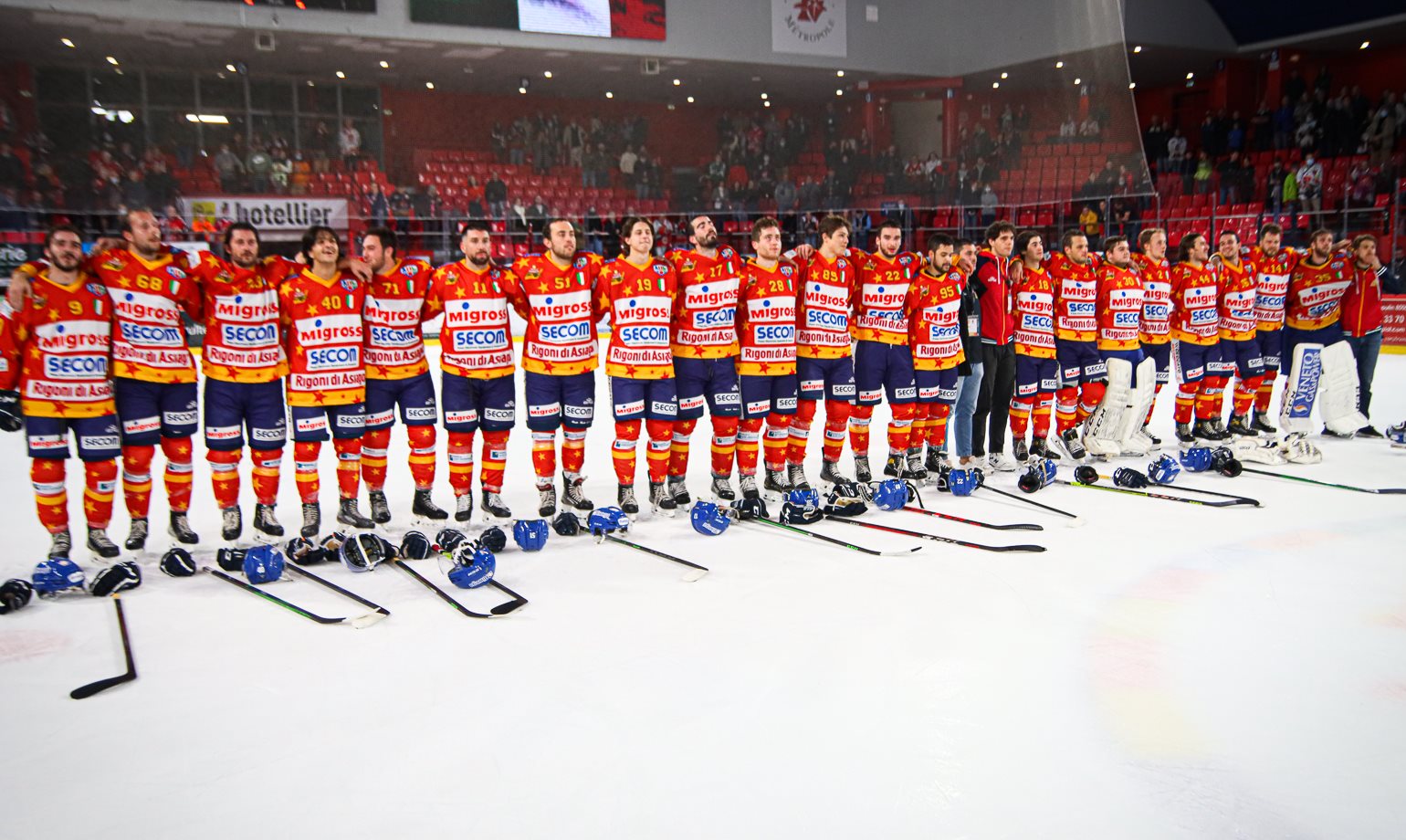 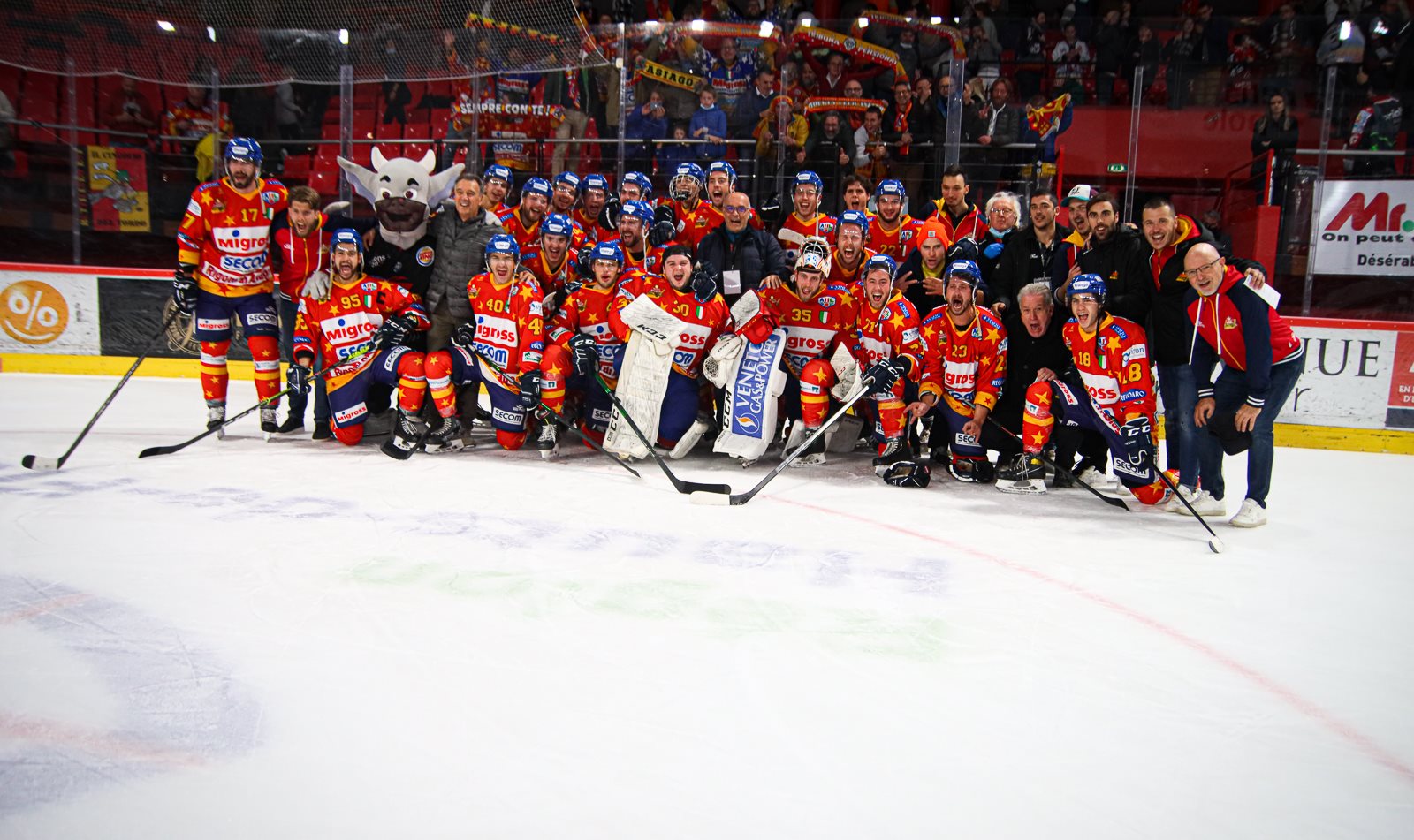