Gomel, Pirates advance to Continental Cup Final
Both the Aalborg Pirates and HK Gomel advance from Group F played in Denmark.
photo: Fotograferne Nibe
share
Host team Aalborg Pirates from Denmark followed HK Gomel of Belarus into the 2022 IIHF Continental Cup Final after a final day in Group F in which all four teams had at least a theoretical chance of progressing. Great Britain’s Sheffield Steelers went into Sunday’s action in pole position after winning their first two games, but suffered a 4-0 loss to Gomel. That result ensured that the Belarusians would progress and eliminated Olimp Riga from contention. The Latvians still had a say in the final outcome: if they beat Aalborg, Sheffield would advance. But the Danes made no mistake, easing to a 7-2 victory to book their place in January’s Grand Final.

After a 5-2 reverse against Aalborg, HK Gomel faced a win-or-bust assignment against the Sheffield Steelers in Sunday’s early game. The Belarusians needed a three-goal margin to make sure of progress; victory by anything less would have Sergei Stas and his team waiting anxiously on the outcome of the Olimp vs Pirates clash in the evening.

On the positive side, Gomel knew exactly what was needed – and delivered it perfectly. Backstopped by a shutout from Maxim Lubski, the Belarusians delivered a 4-0 victory that guaranteed progress in the tournament.

“We set up the team to win, we just wanted to make sure we got the win,” said head coach Stas. “We were happy to go step by step, goal by goal. We didn’t want to put extra pressure on the guys to bust a gut about winning by at least three. We knew if we won, we’d give ourselves a chance.”

Gomel made the better start to the game and got its reward after seven minutes when Nikolai Suslo opened the scoring. But the game was settled in the middle frame. Yevgeni Grigorenko set up Ivan Sekerin to make it 2-0, then Grigorenko was involved again as Igor Karabanov’s power-play tally established that crucial three-goal cushion.

Sekerin offered Sheffield a lifeline at the start of the third when he took a double minor for a stick to the face of Justin Hodgman. However, the British team struggled to take advantage and Gomel successfully survived the four minutes. Late in the game, Steelers withdrew goalie Barry Brust in search of one last push. A consolation goal at this stage would be enough to send Sheffield through, but instead a breakdown in the Gomel zone enabled Igor Revenko to pot an empty-netter and seal the deal.

“Today the guys took their task very seriously, the understood what this game was all about,” Stas added. “We looked at what went wrong [against Aalborg], studied the opposition, their systems on the power play and penalty kill. We want to make our systems simpler, even during the game we made a few adjustments and they paid off.”

Injury-hit Sheffield was left to reflect on what might have been. Aaron Fox’s team played with just three lines against Gomel. They were already short-benched on arrival in Denmark, with GB international Rob Dowd remaining at home alongside Marco Vallerand and Tanner Eberle. Making matters worse, another British international, Brendon Connolly, suffered an injury in the opening game against Aalborg.

That offered opportunities for others to shine, particularly 18-year-old Alex Graham – the next big prospect emerging from the system that nurtured Liam Kirk. He got on the scoresheet in the win over Olimp and fluffed a golden chance to score on Gomel in the third period. In the end, though, fatigue played its part in the Steelers’ loss to a fast-skating and skilful Belarusian team.

Meanwhile, there were warm words from Belarus at the end of the competition. “Both Aalborg and Sheffield were serious opponents, leaders in their championships,” Stas summed up. “They have players at a good level, they skate well and have good puck-handling. Their technical skills are at a high level, and they are tactically sound – you can see a structure to the game, feel the hand of coaching staff.”

The equation in the final game was simple: any regulation win for Aalborg would send the Pirates through; anything less would give the Steelers a reprieve. Olimp, which might have harboured hopes of a three-way tie if Sheffield had defeated Gomel, was already eliminated.

However, there was a brief wave of optimism in Latvia and England when Olimp took advantage of a nervous start from the host team. The Pirates allowed too many opportunities and after winning the game’s first power play, the team from Riga duly took the lead in the sixth minute thanks to Aleksejs Sirokovs’ first goal of the tournament. Sirokovs would finish with five points to lead his team in scoring in Denmark.

After that, though, this was pretty much one-way traffic. A Danish power play saw Charlie Curti’s point shot tie the scores after an earlier effort hit the piping, then the second period brought two goals from Kirill Kabanov to put the Pirates in charge. Kabanov, a Russian forward whose much-travelled career peaked with a few short stints in the KHL, finished with three goals in the tournament, tying for top spot with team-mate Pierre-Olivier Morin. Quebecer forward Morin scored two of his own in the third period, helping Aalborg to a convincing 7-2 victory and securing its ticket to the finals.

That ticket had seemed a remote prospect on Friday, when Aalborg went down 3-1 to Sheffield in its opening game. But the host club recovered on Saturday, defeating Gomel 5-2. That game saw Julian Jakobsen among the scorers and the 34-year-old team captain, a regular member of Denmark’s World Championship teams, finished as the tournament’s leading scorer with 5 (2+3) points.

“Our first goal this weekend was to progress,” he told the Nord Jyske newspaper. “But after that, we also wanted to get every player back into the game and bring people back from injuries. We were able to do that at the Continental Cup and could play four strong lines throughout the tournament.

“Now we just want to get a little sharper at reducing the length of the shifts because we are at our best when everyone is fully involved.”

Aalborg progresses to the final four alongside Gomel and Group E leaders Saryarka Karaganda (Kazakhstan) and Cracowia Krakow (Poland). The Danes will look to emulate the 2020 triumph of SonderjyskE Vojens when the competition reaches its conclusion on 7-9 January 2022. The host team will be announced in due course.
2022 IIHF Continental Cup Group F 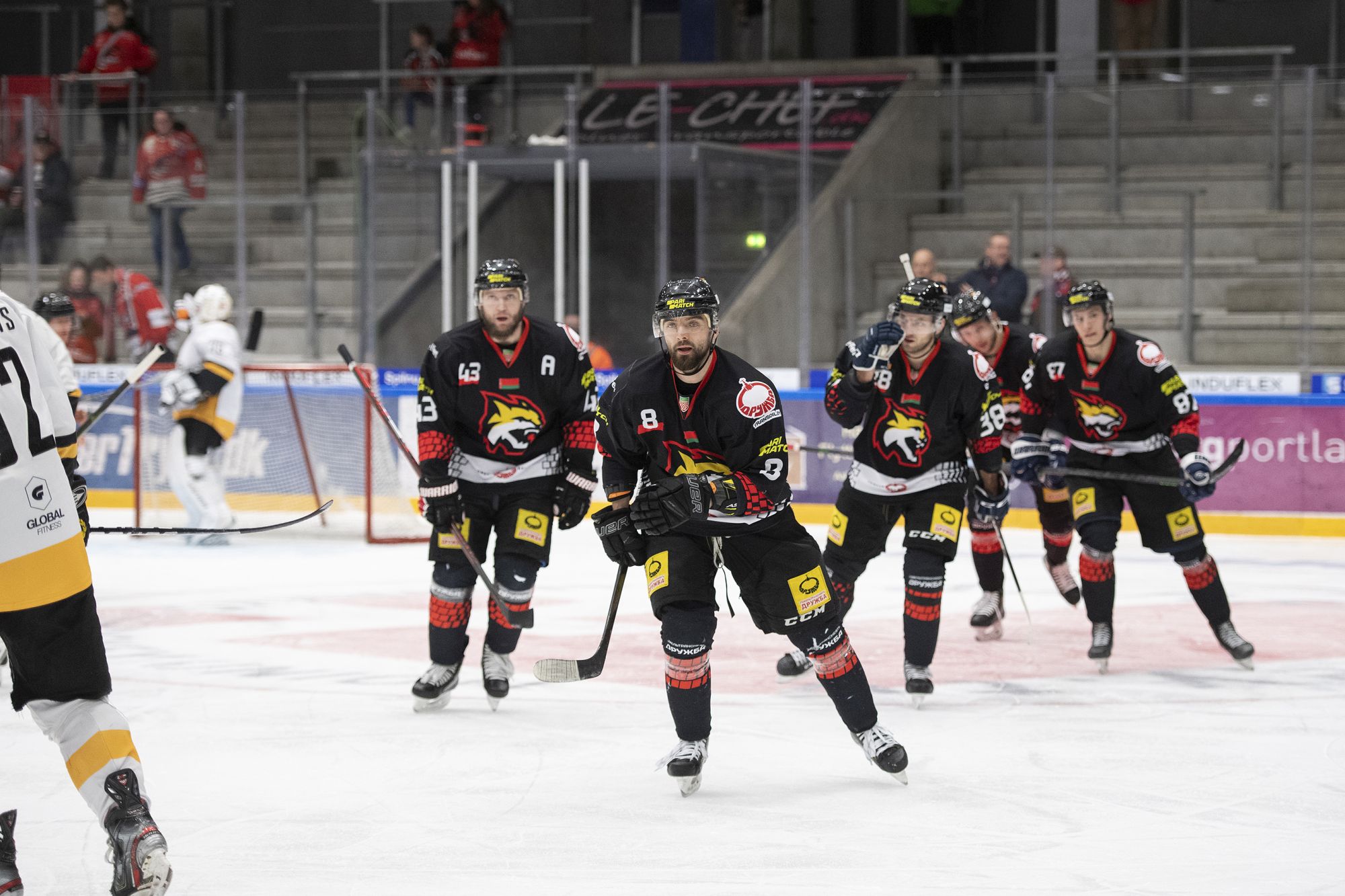 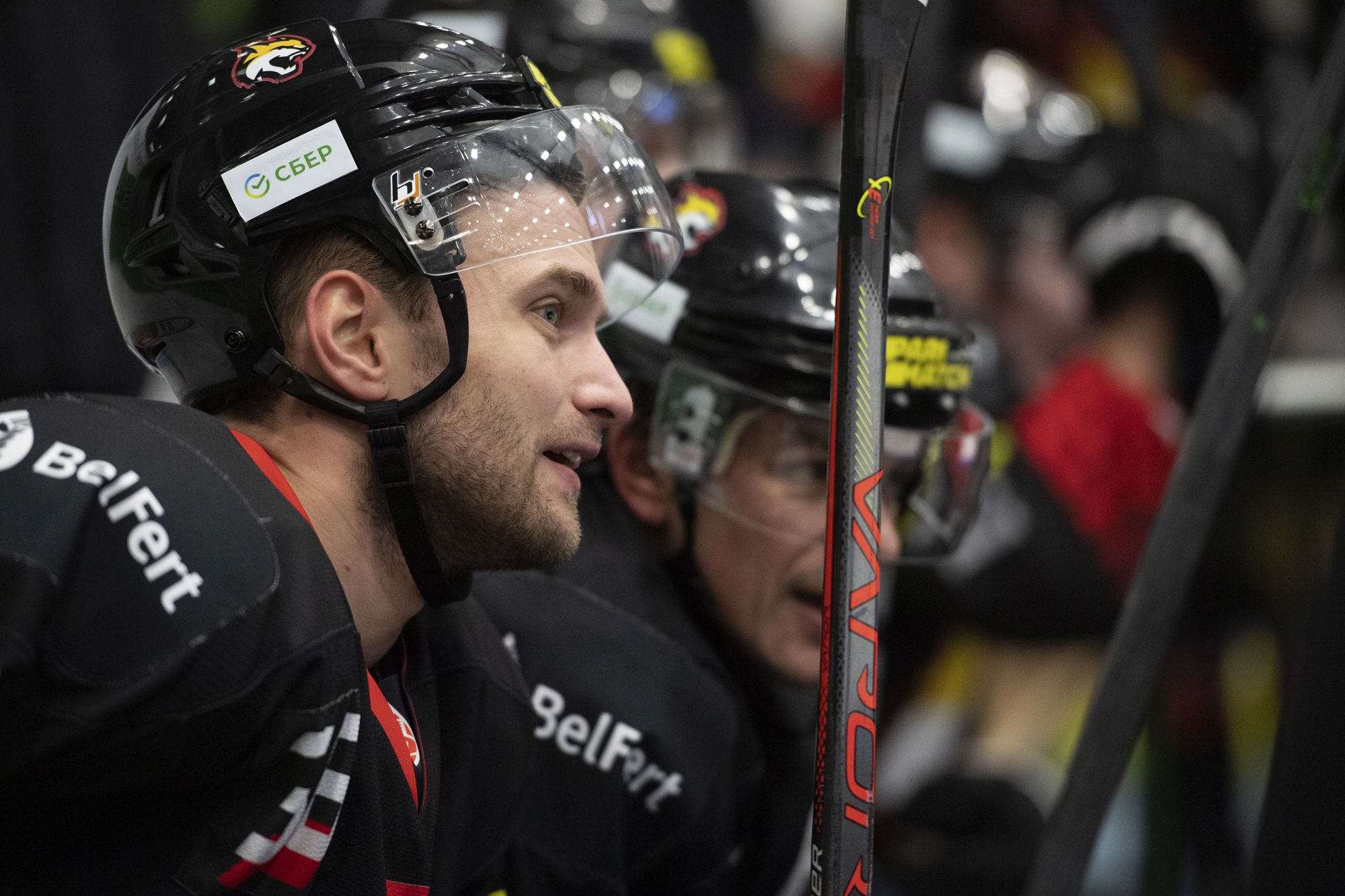 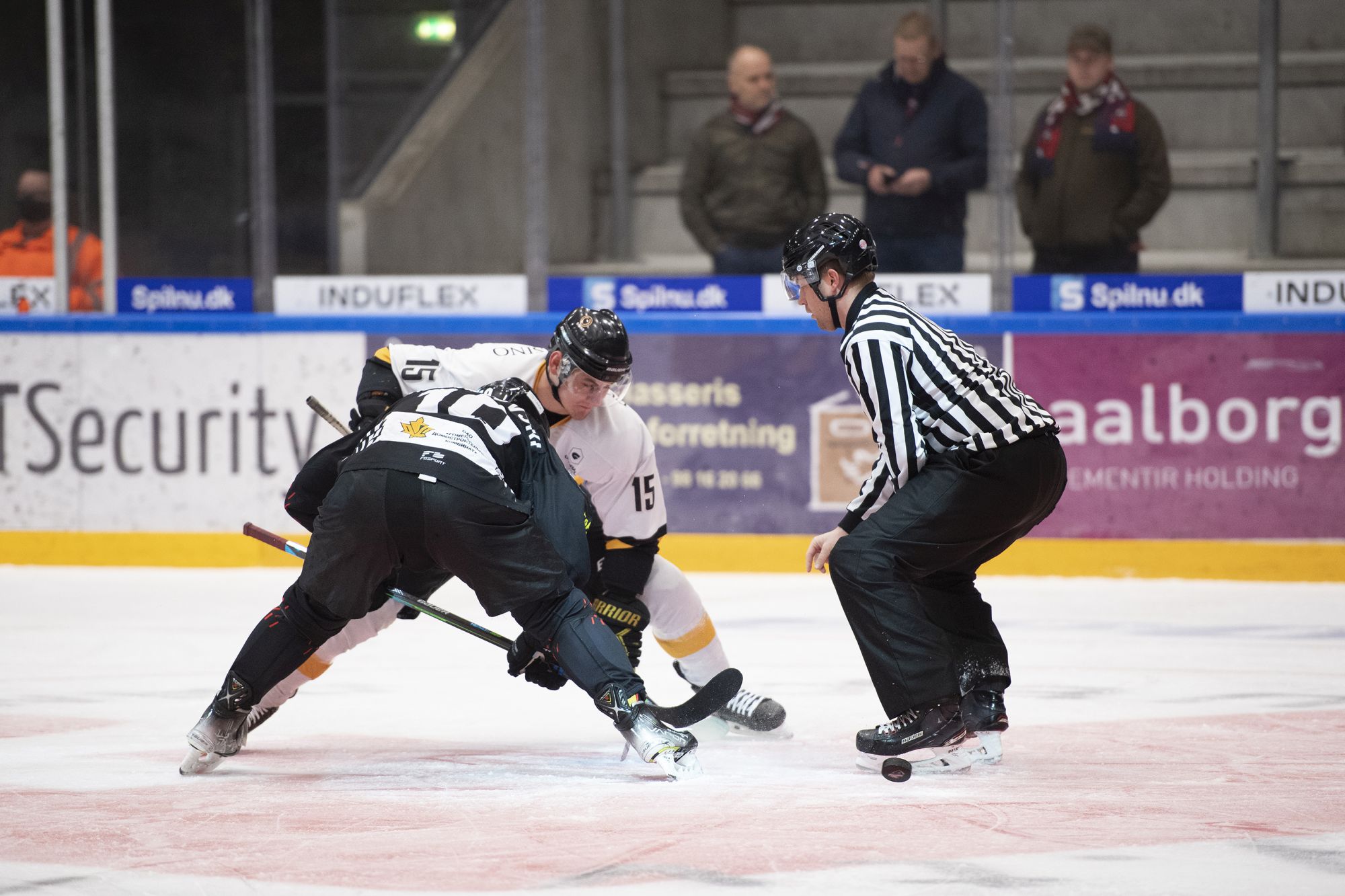 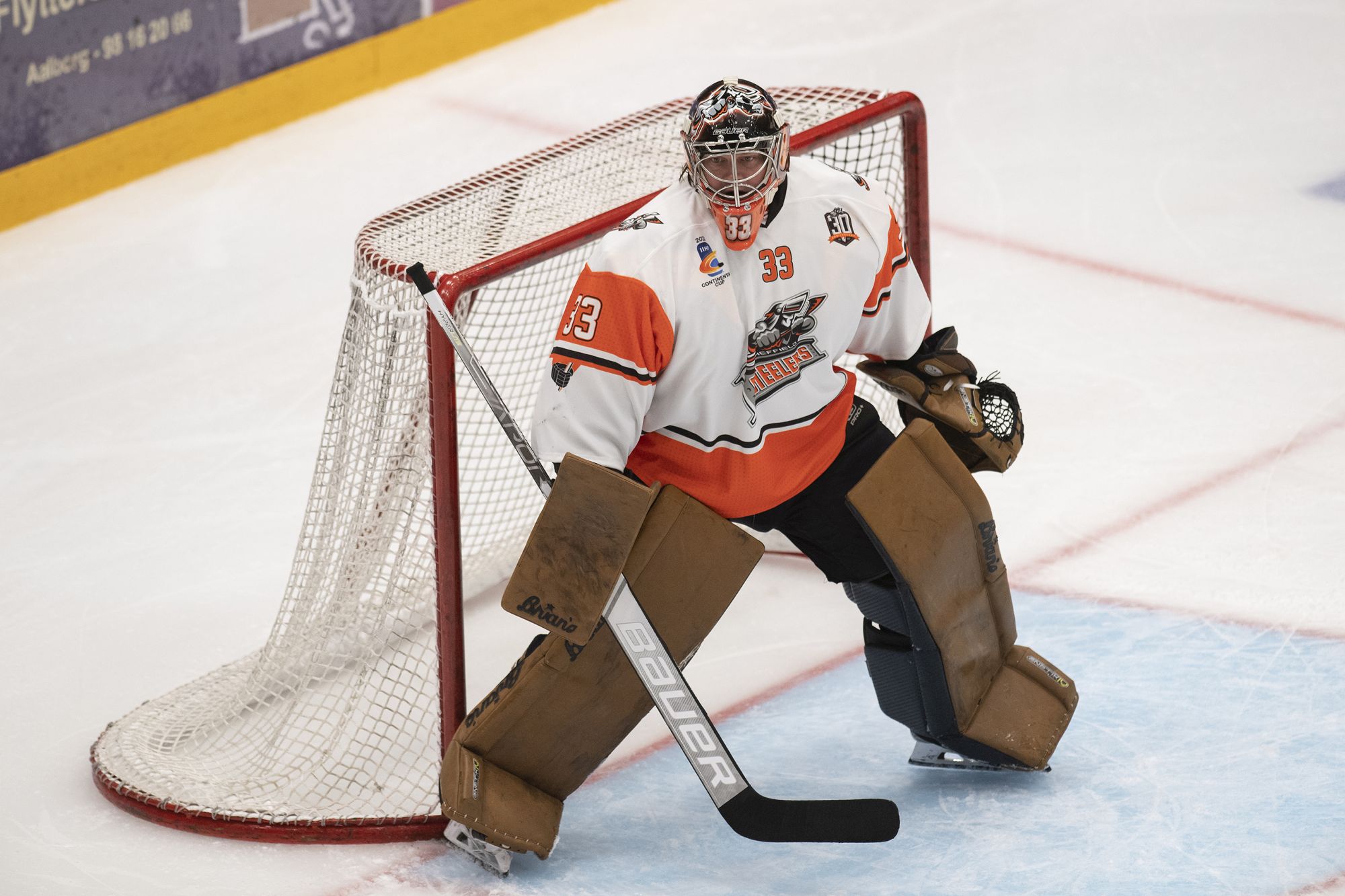 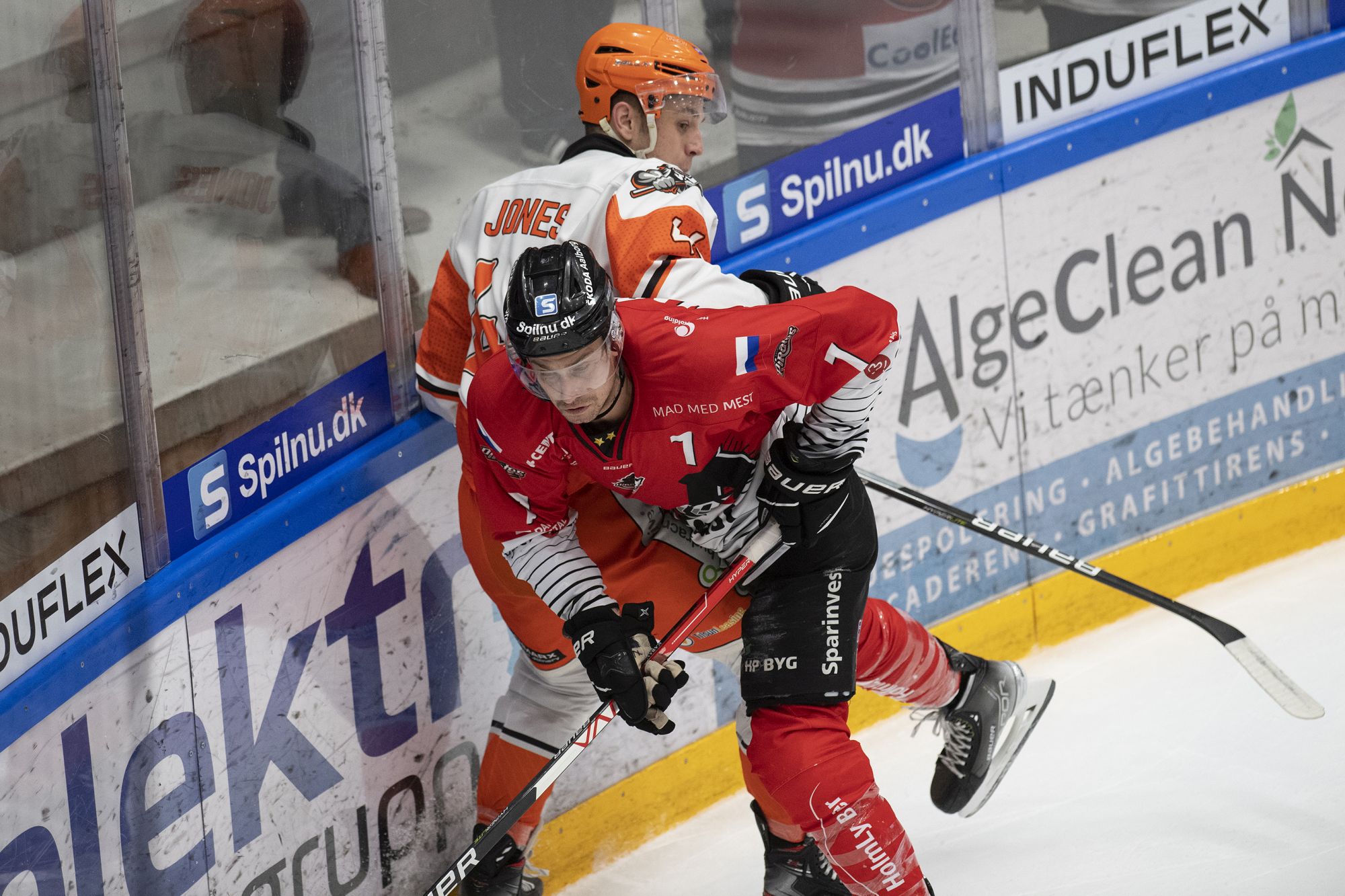 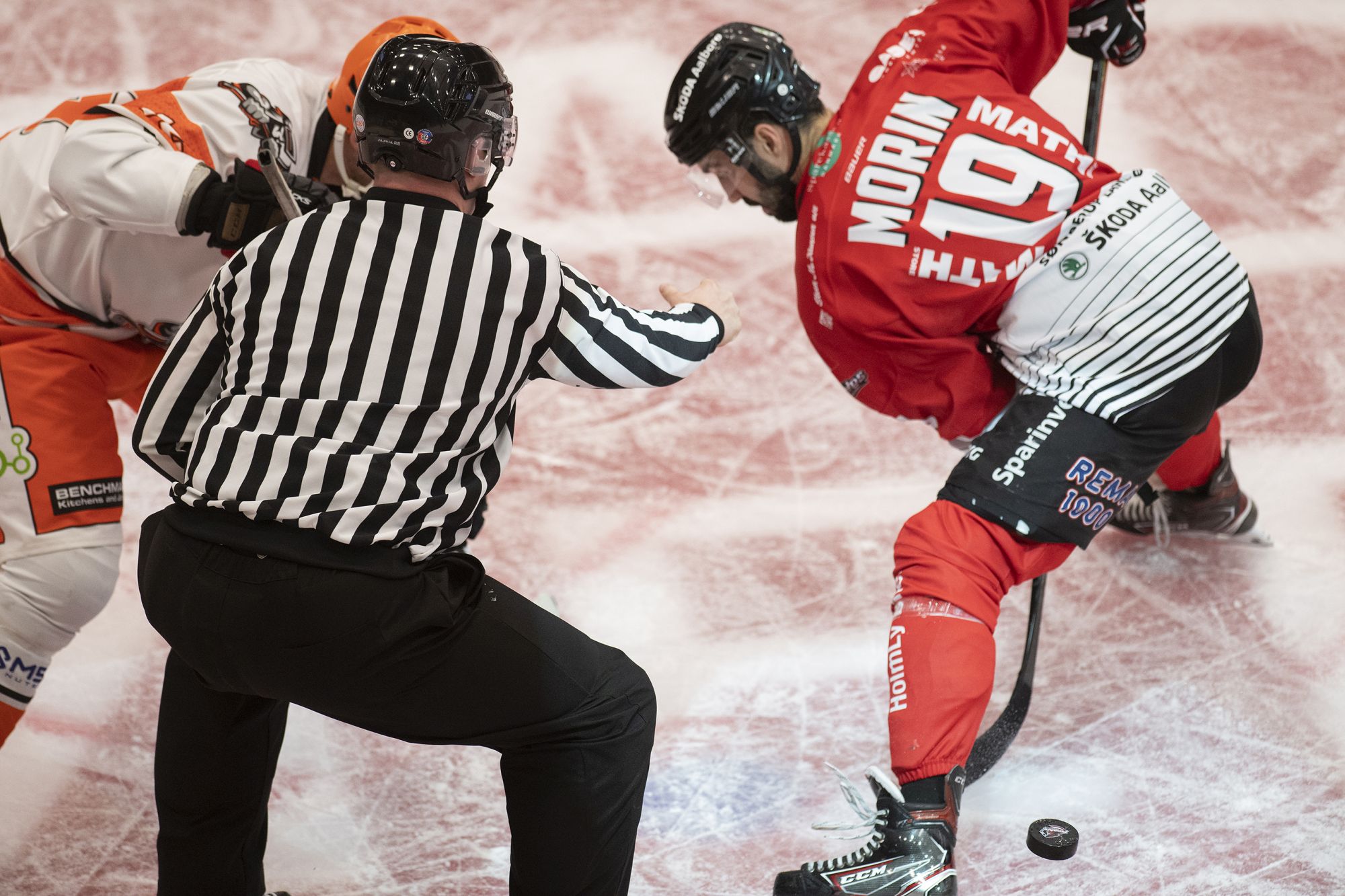 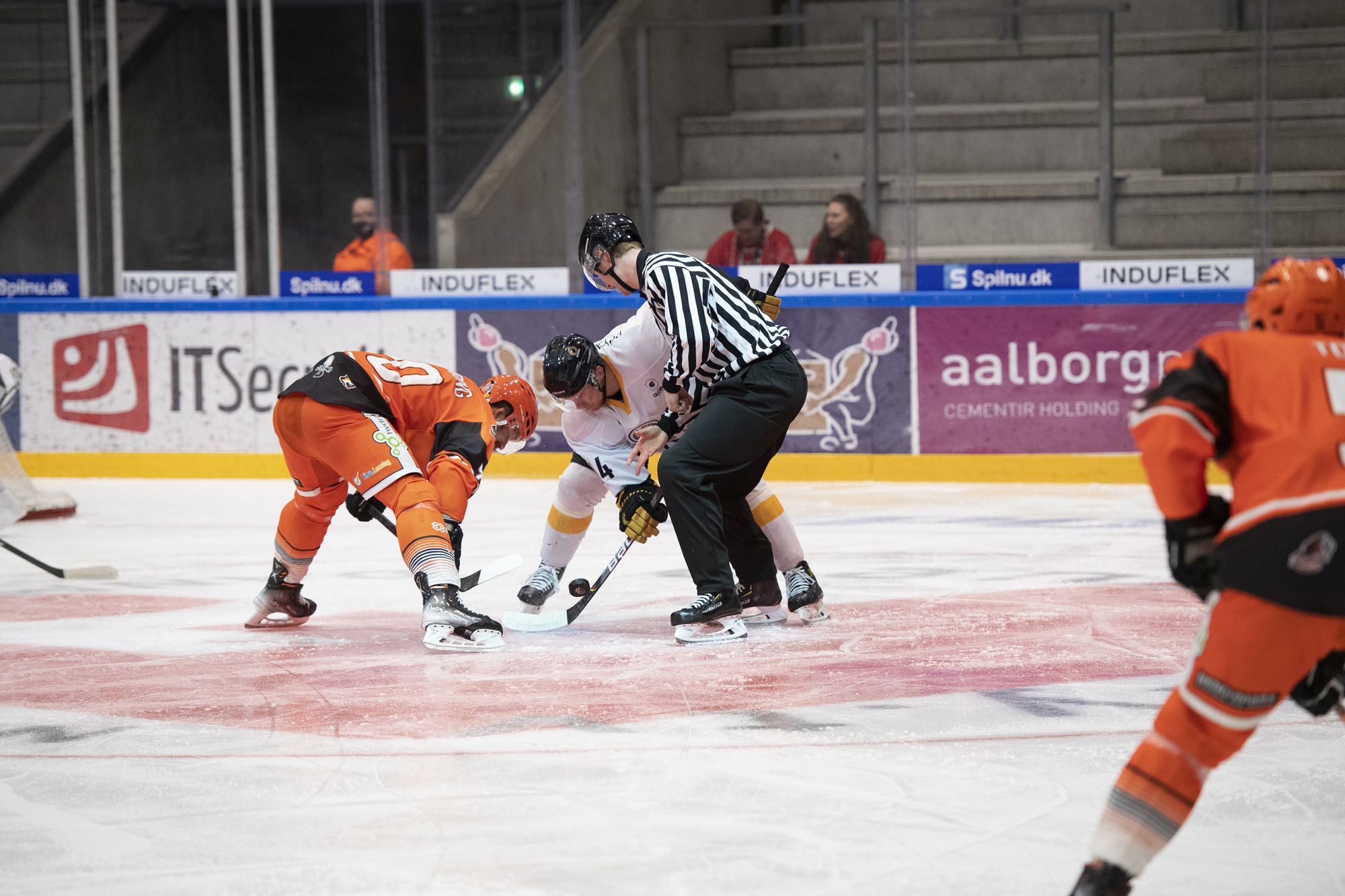 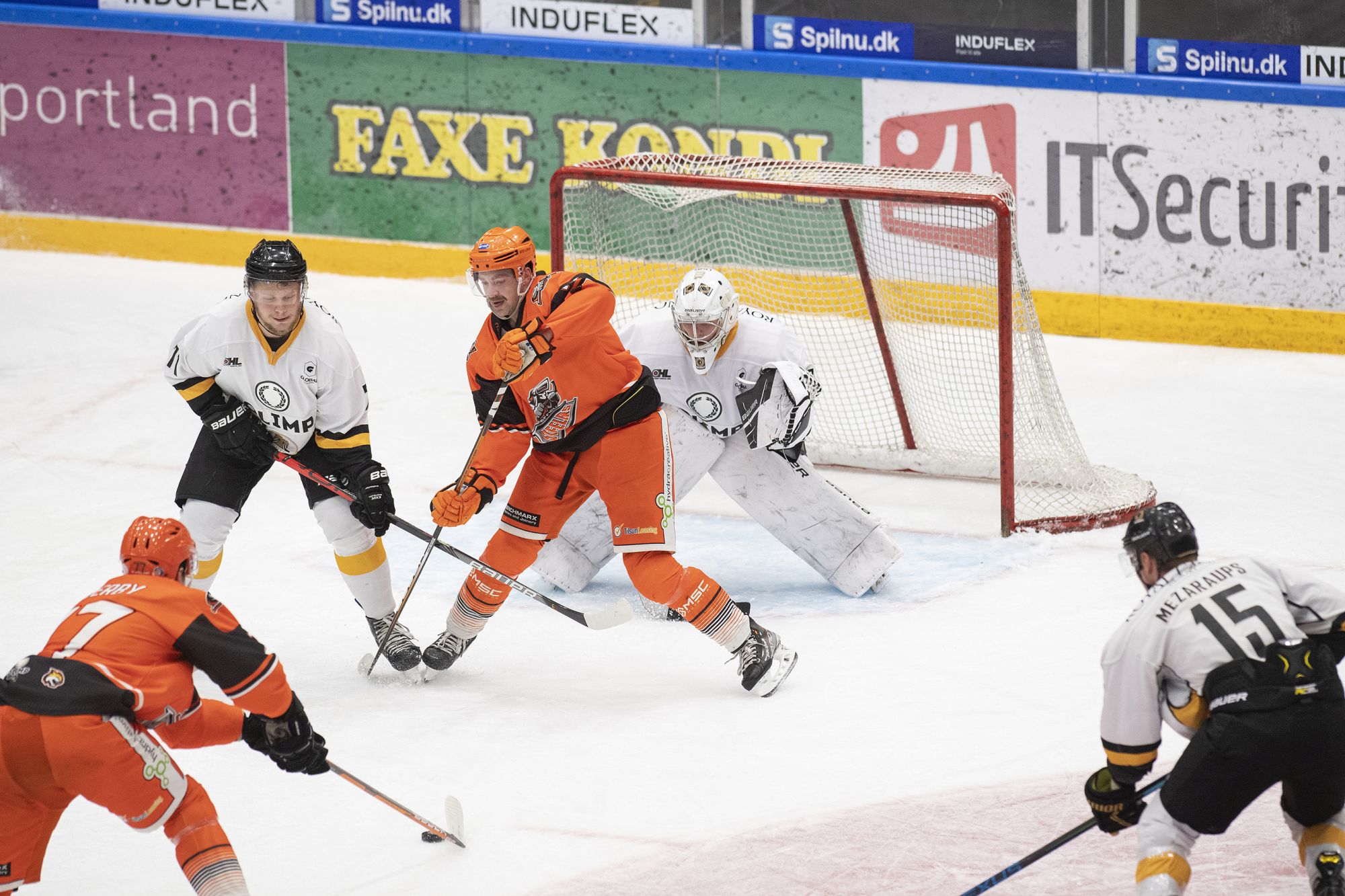 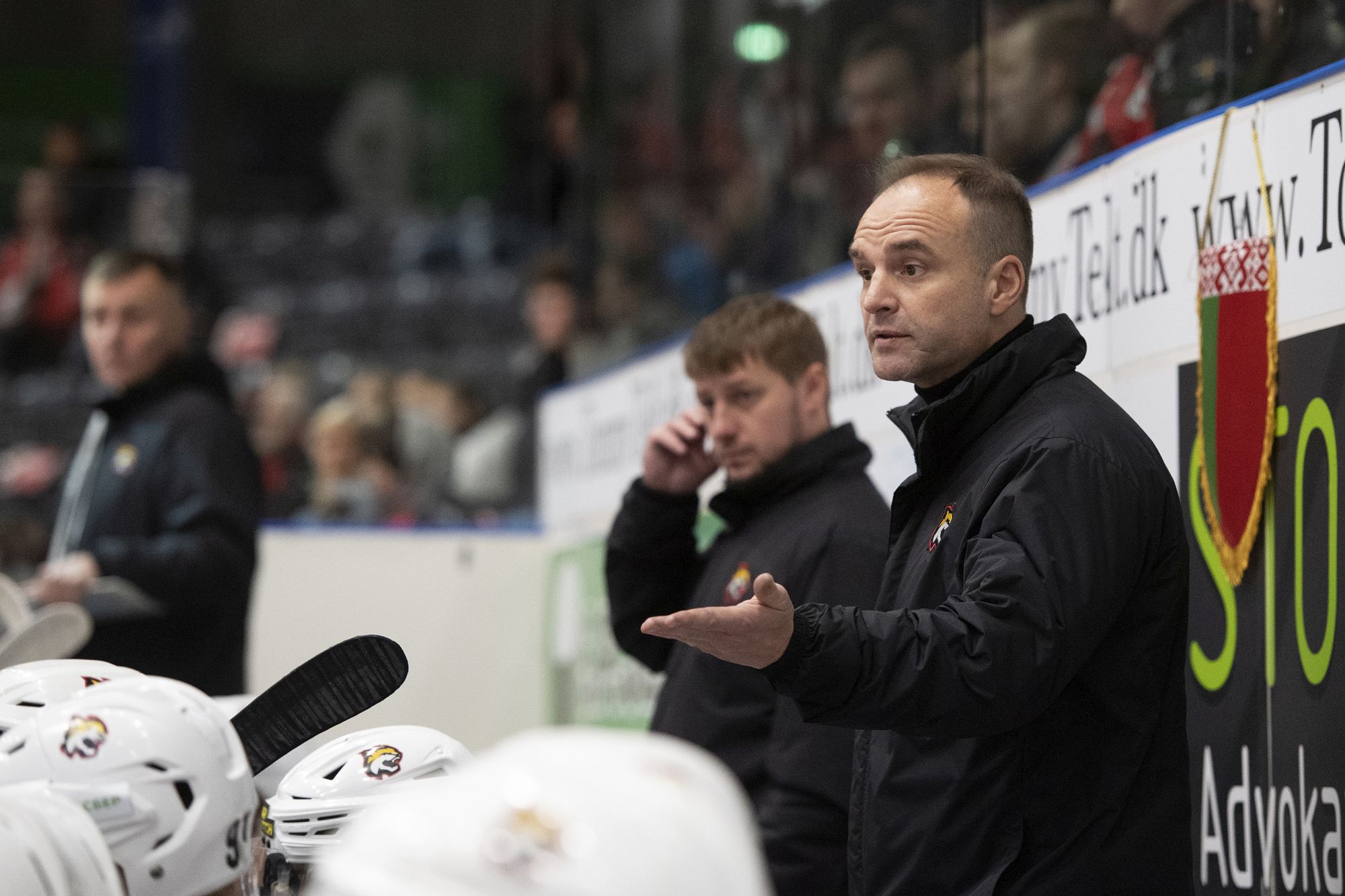 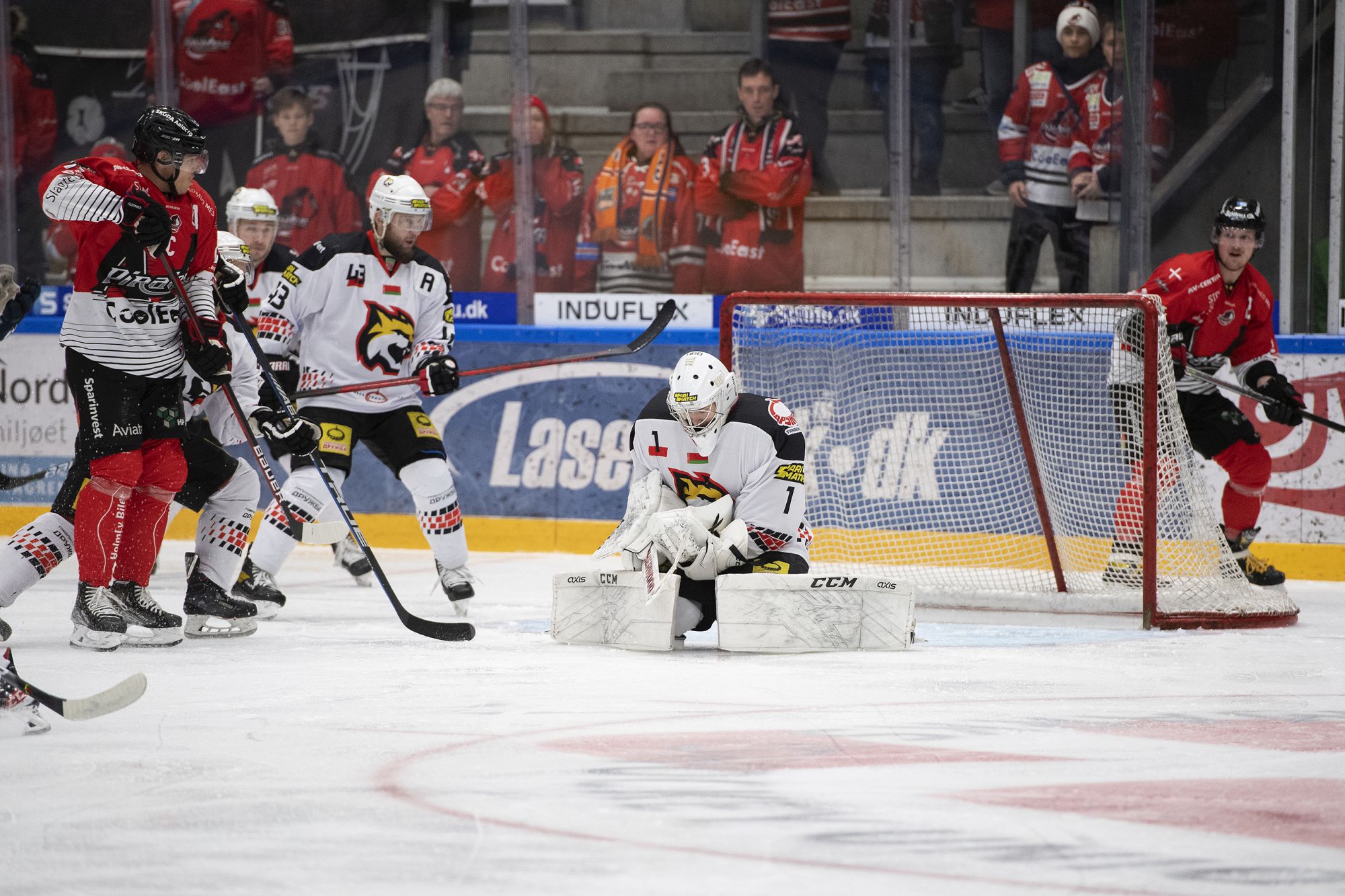 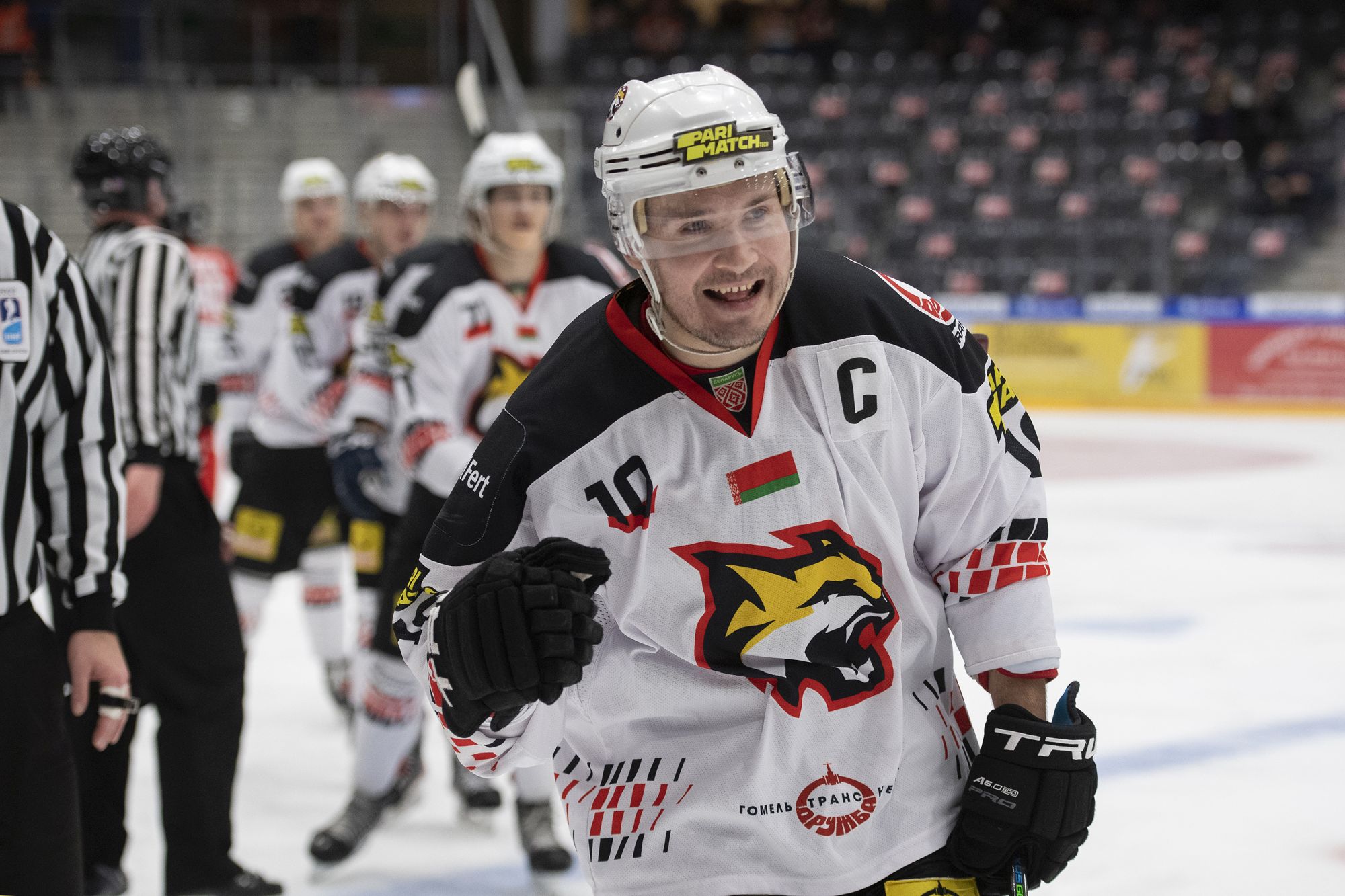 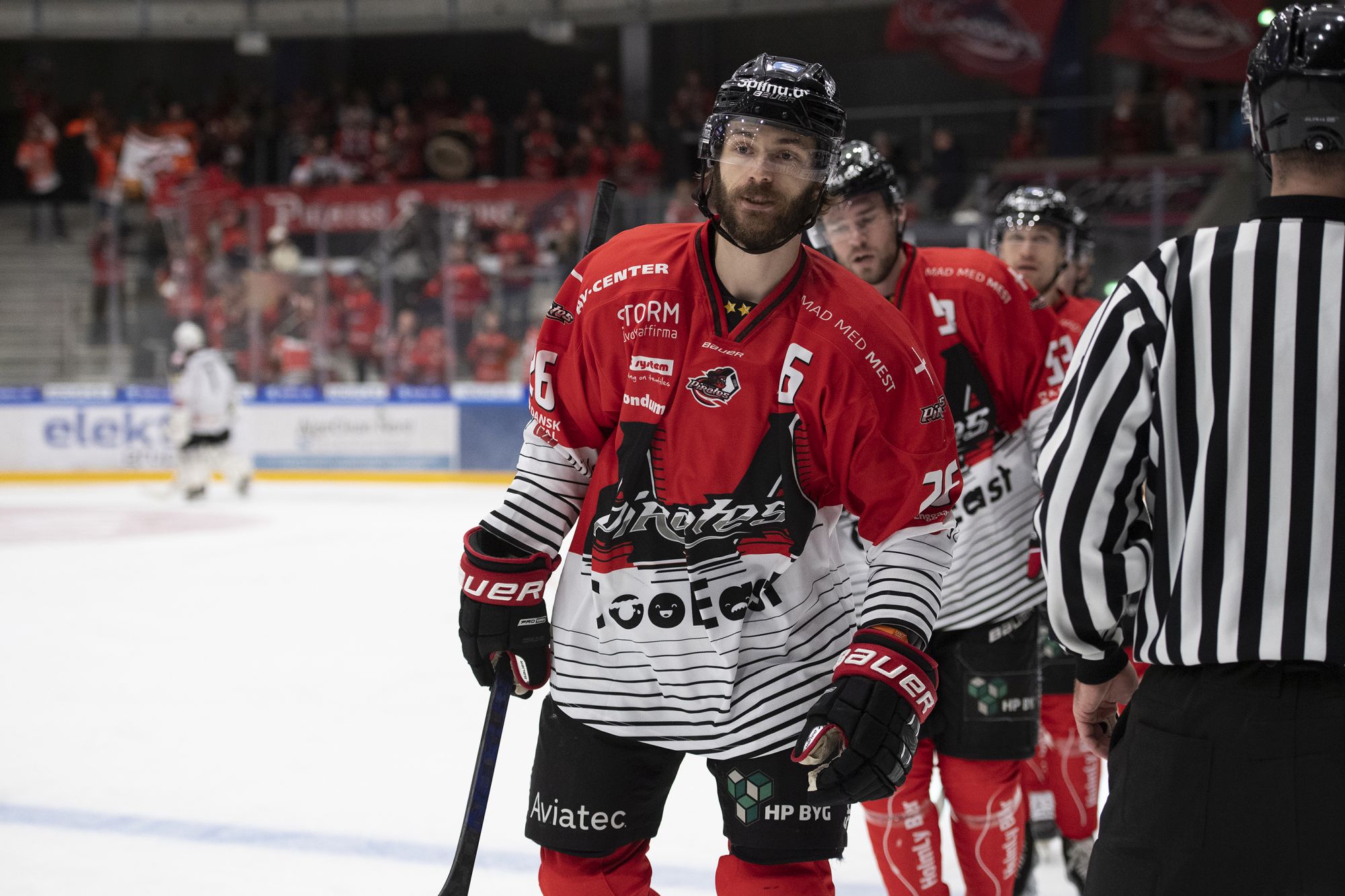 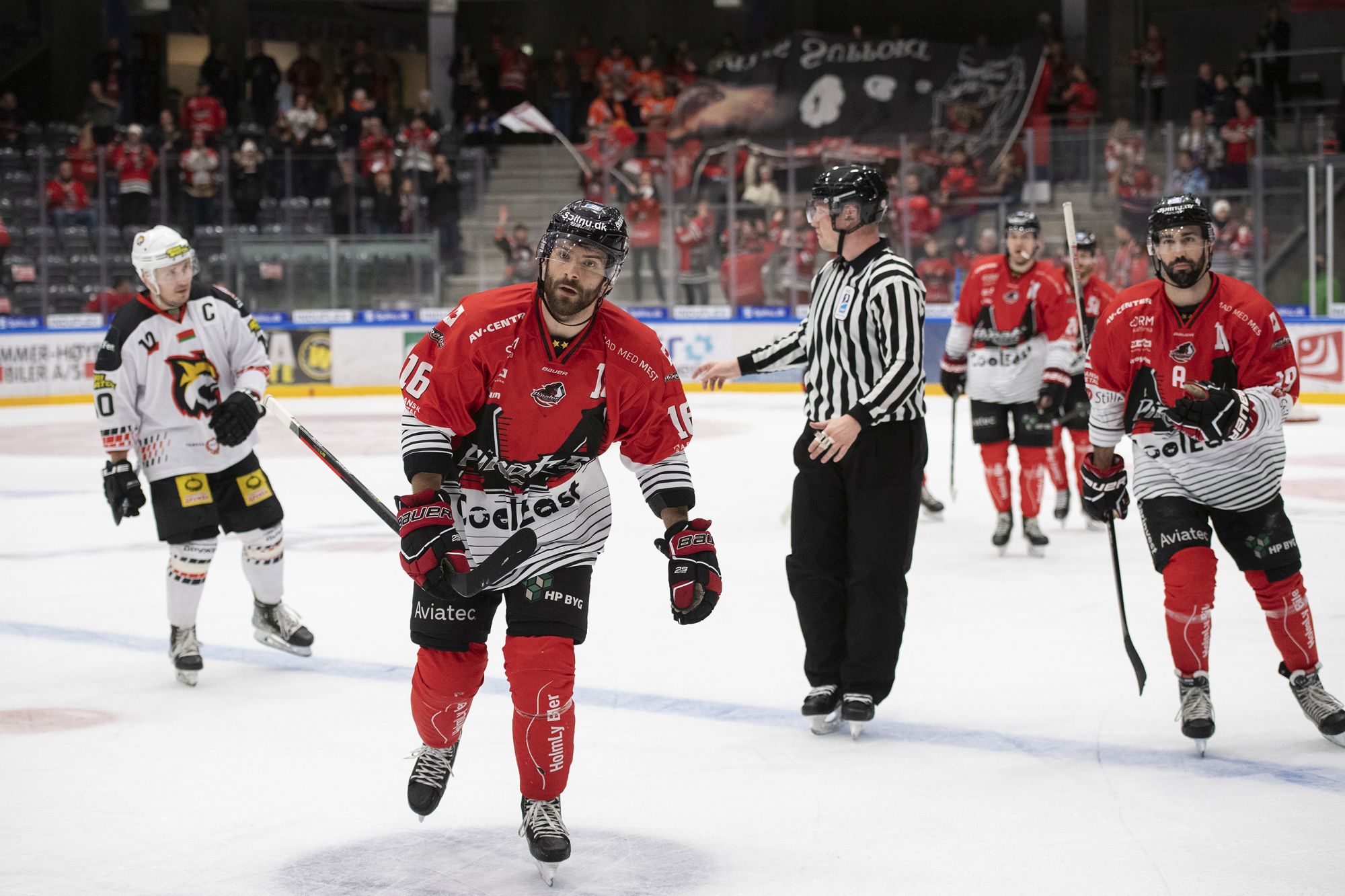 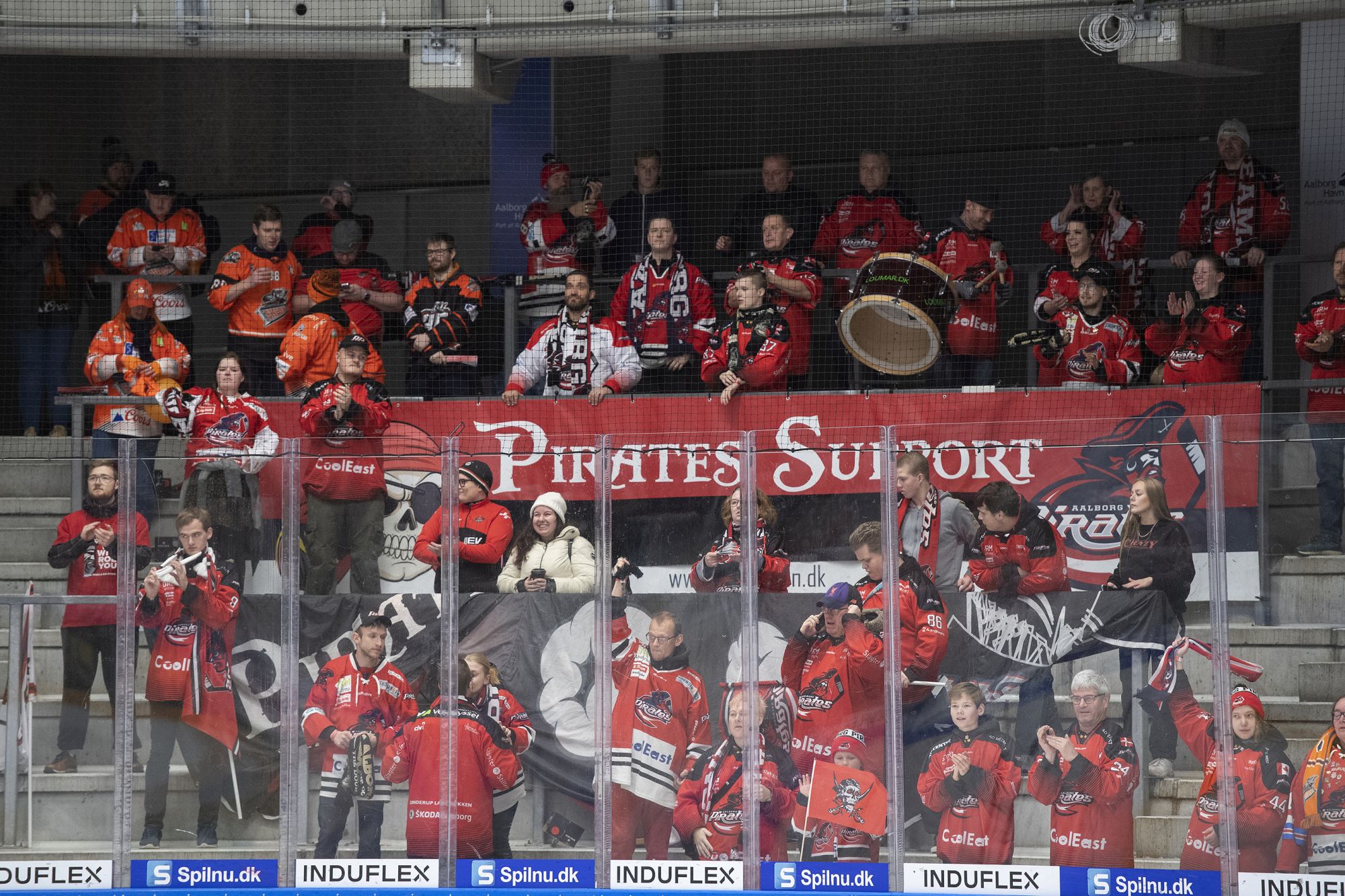 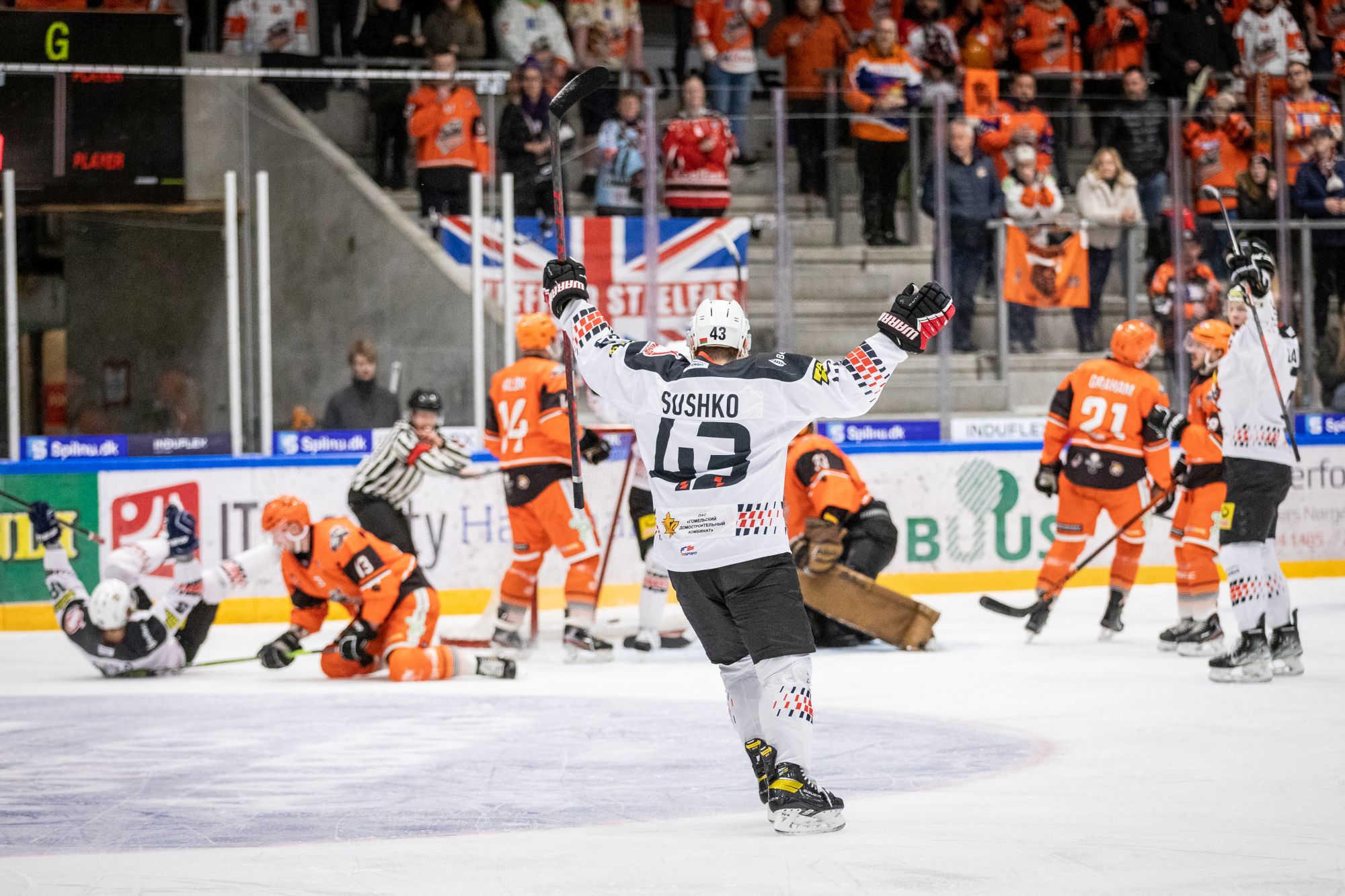 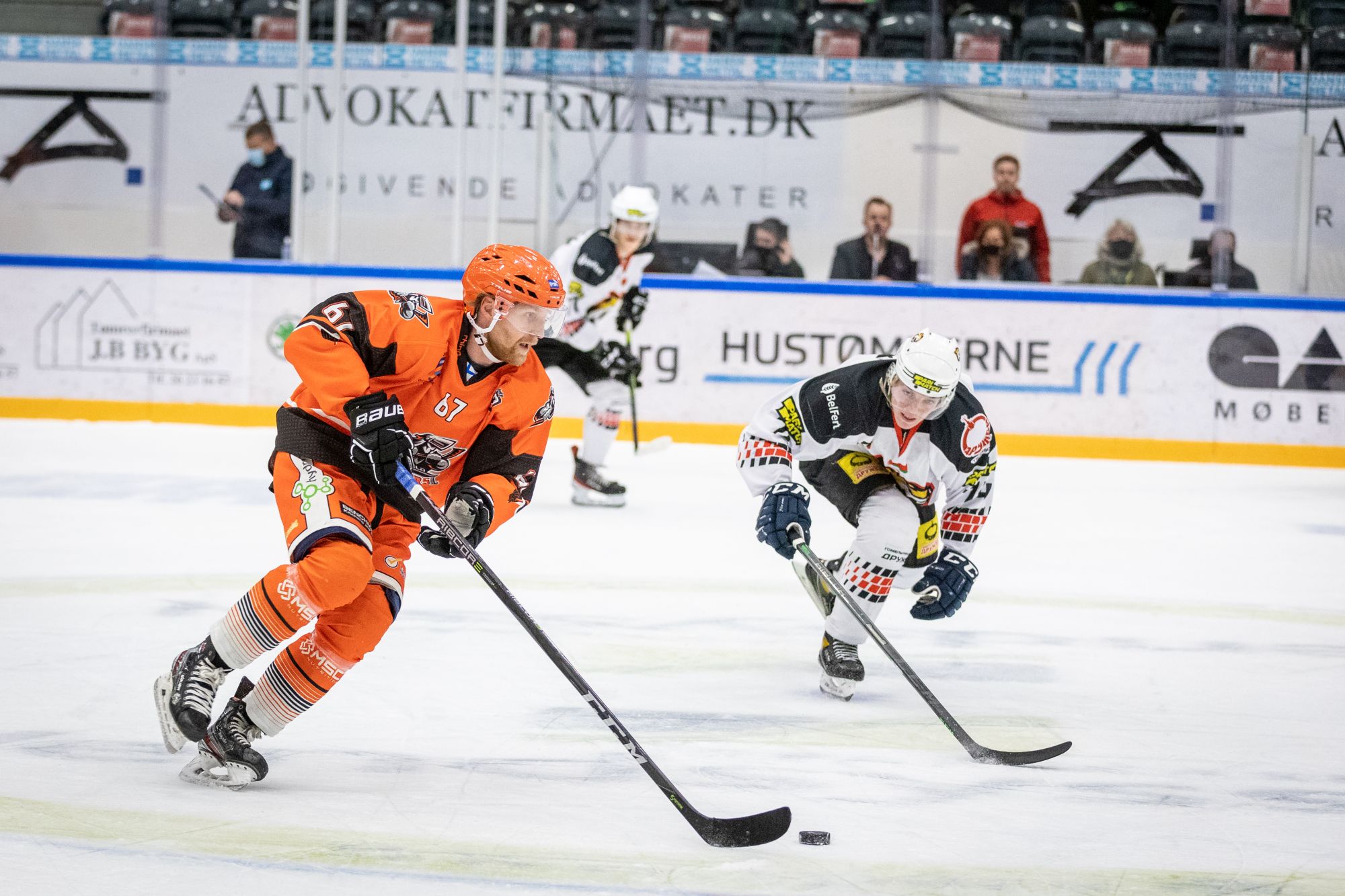 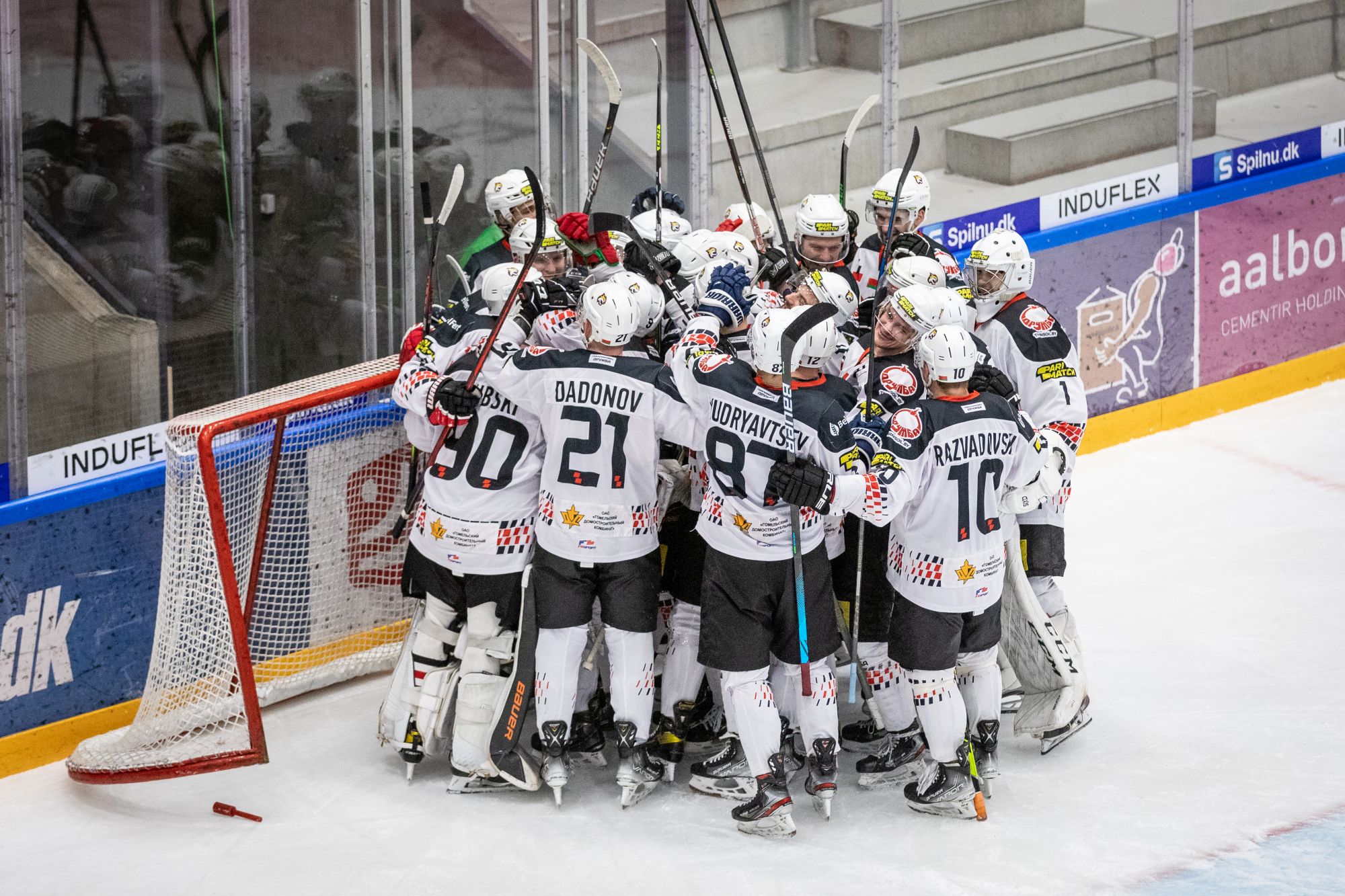 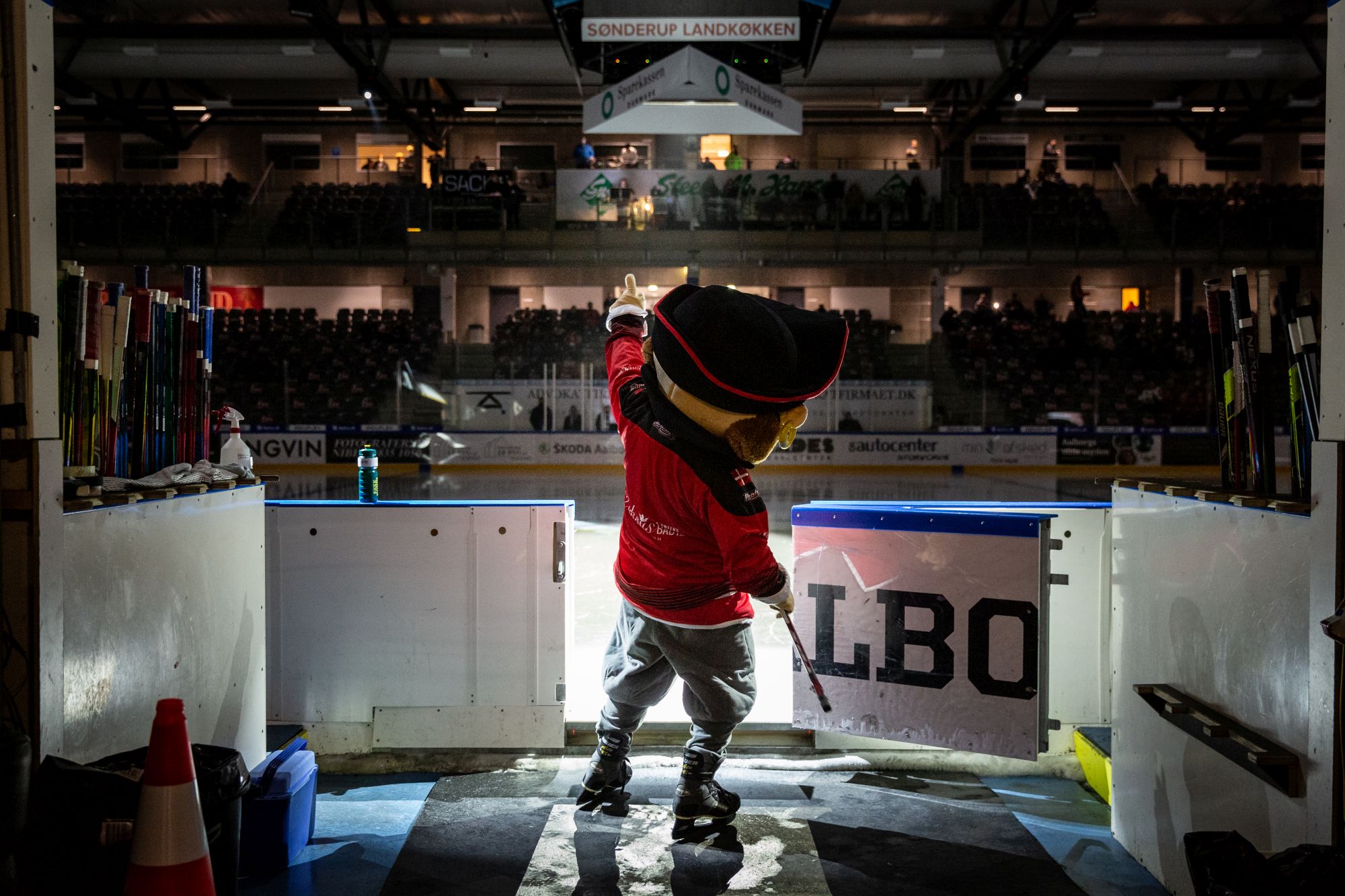 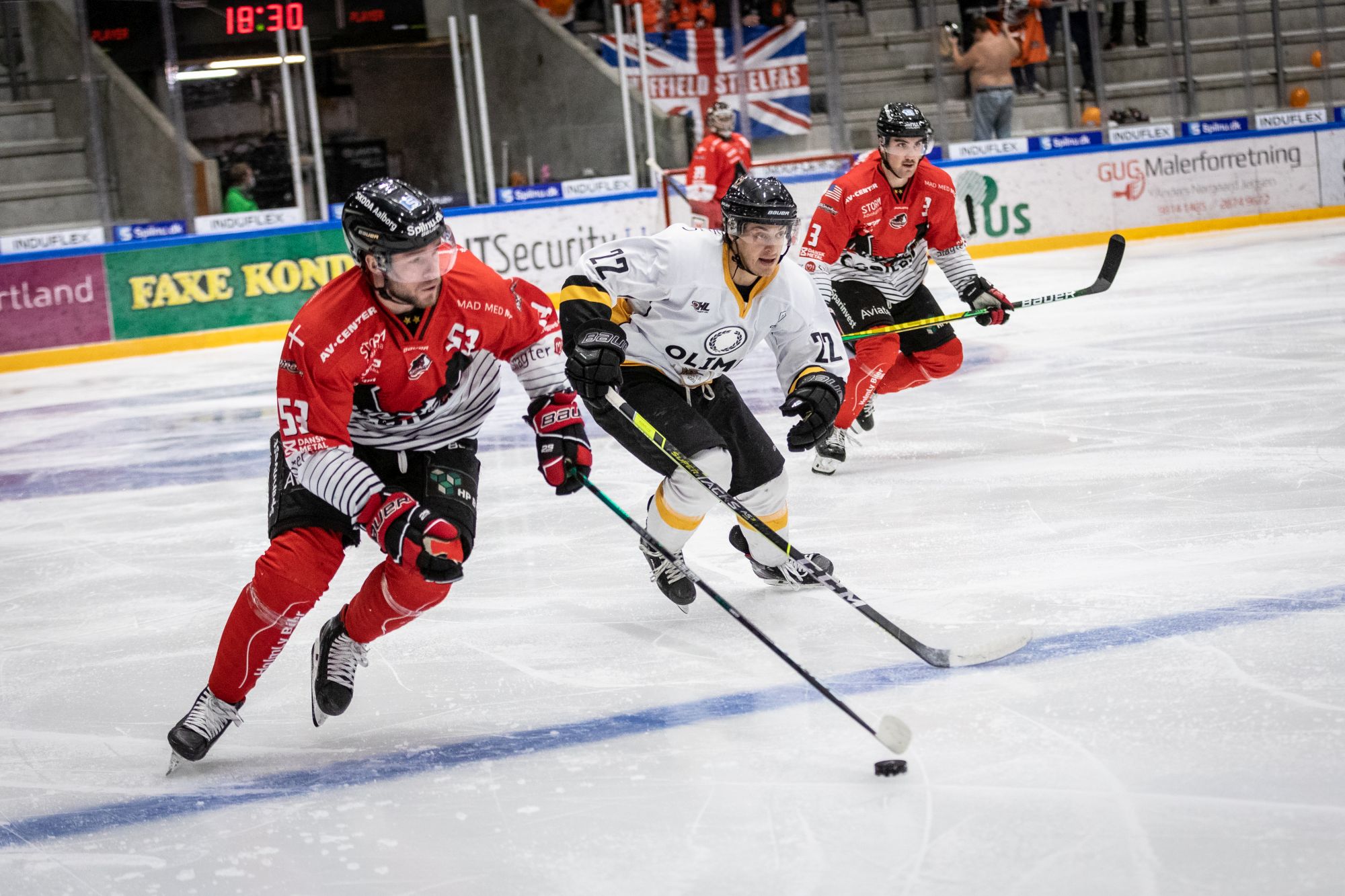 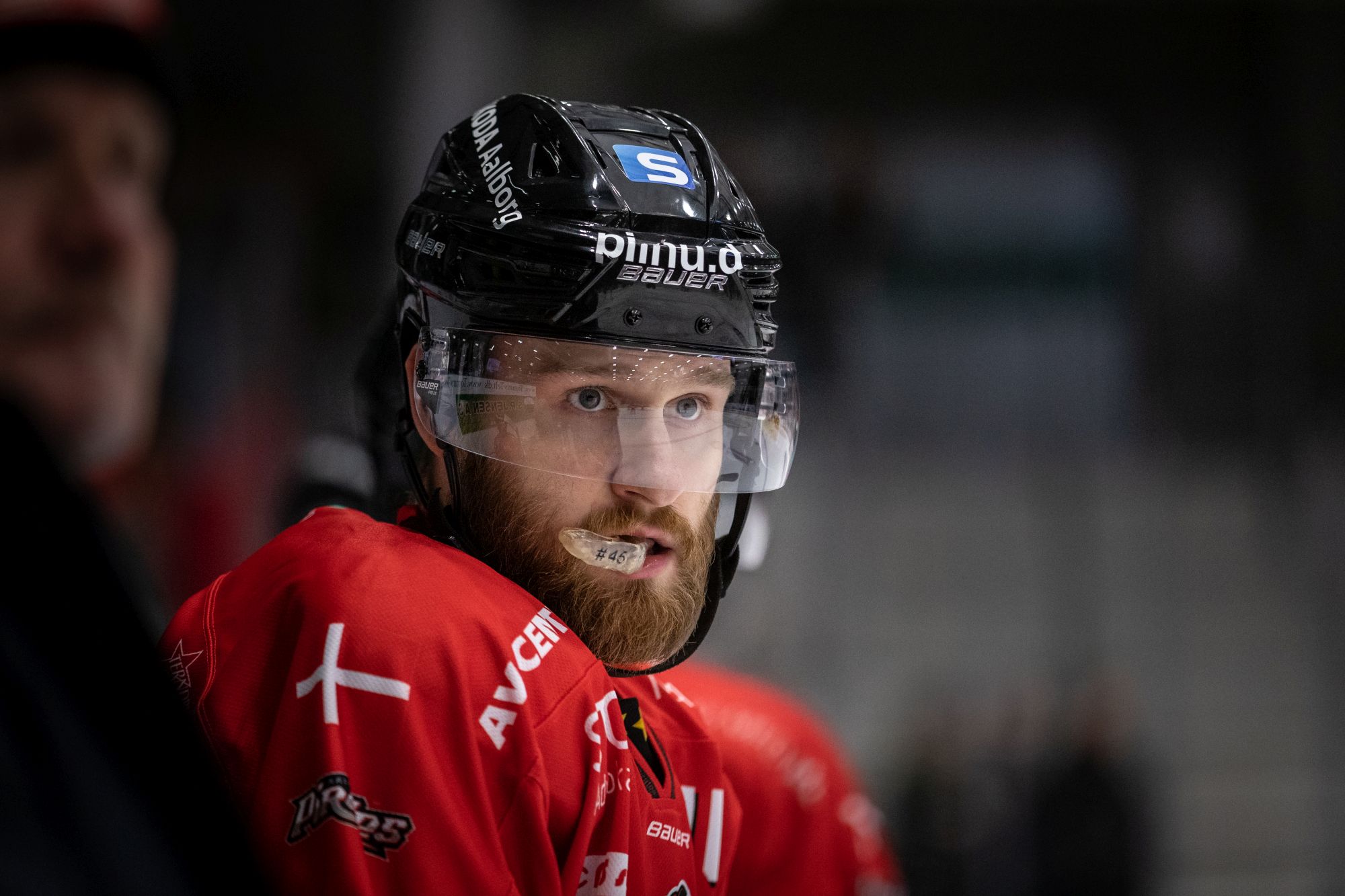 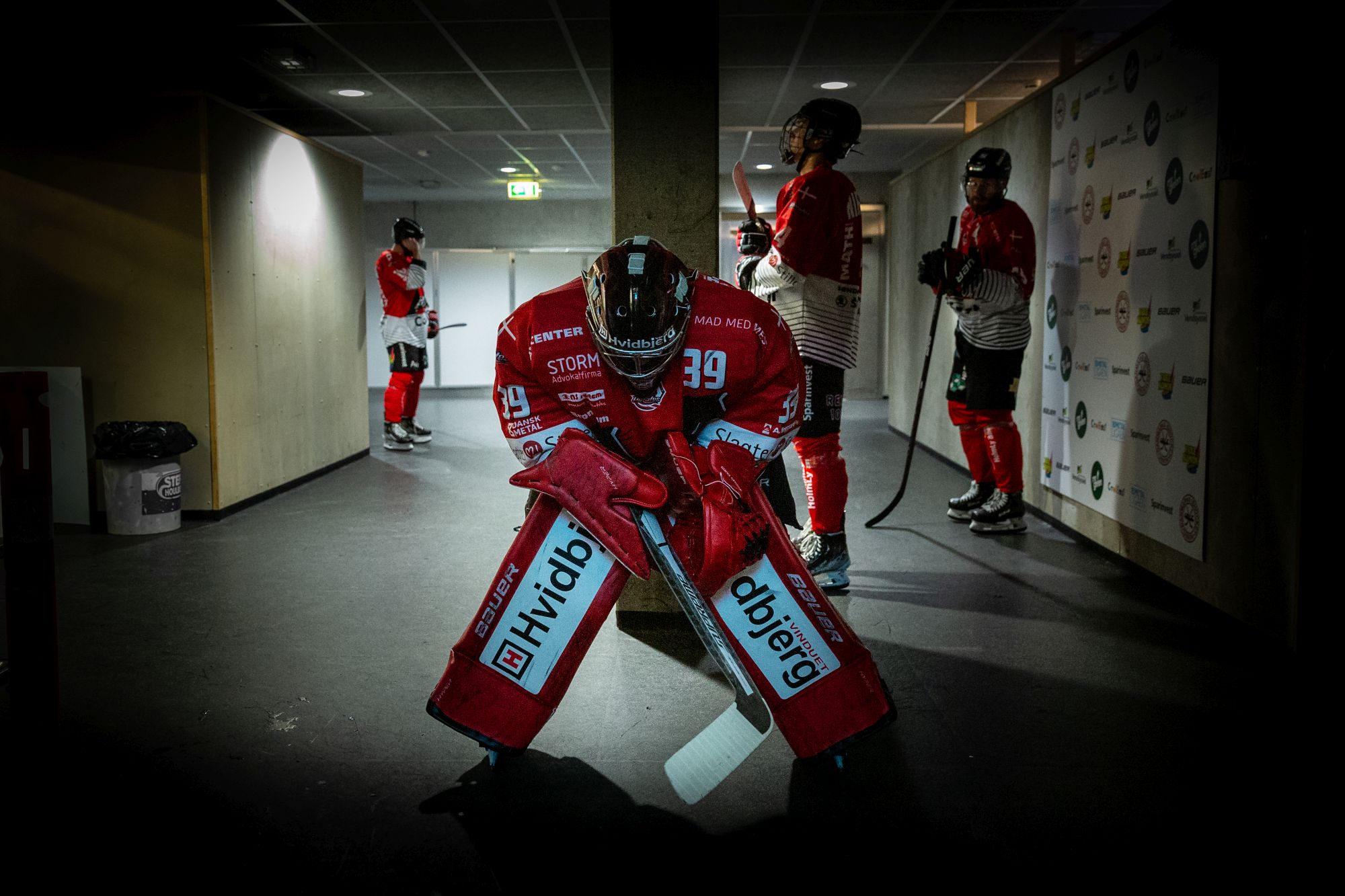 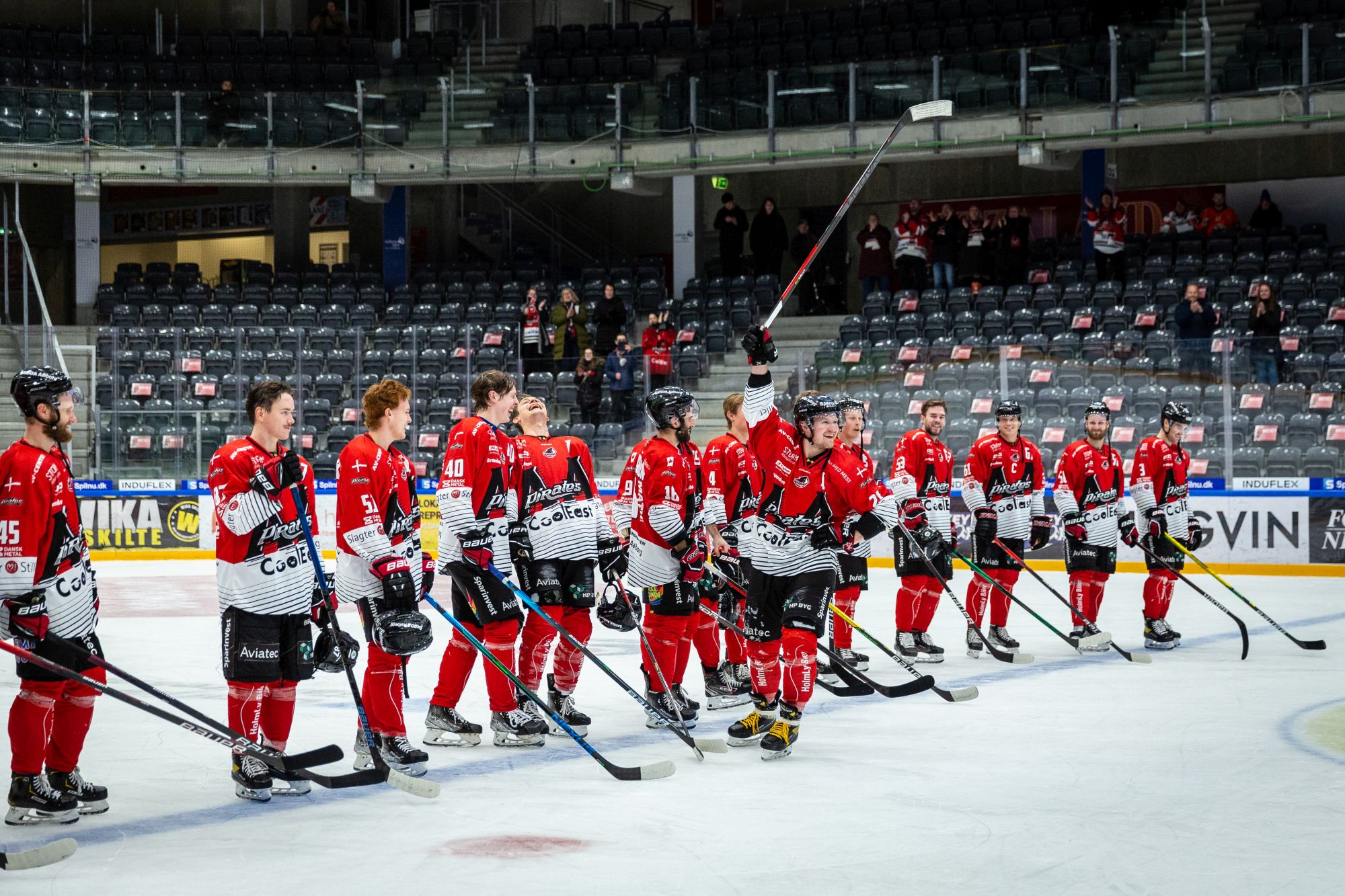