Jalonen, Finland check one more box
Fans celebrate the Finnish players at the snowy Olympic Stadium in Helsinki.
photo: Leijonat.fi
share
Finns love a lot of things – sauna, for example - but right at the top of the list there’s hockey, and then there’s sticking it to the man and sometimes the stars are aligned in a way that brings their two loves together. The Beijing Olympics men’s final was one such event when the Finnish Lions downed ROC 2-1, claiming the nation’s first Olympic gold medal in ice hockey.

With Finland currently a giant of the game, it’s hard to imagine a time when the men’s team didn’t make the final of big tournaments in regular intervals.

About 45 per cent of the population are too young – born in 1983 or late – to remember the 1988 Winter Olympics in Calgary where Finland beat the Soviets, 2-1. Back then, the win was enough to give Finns the silver medals, behind the Soviet Union but ahead of Sweden (and sticking it to the Swedes is also on the list of things Finns love).

And about a third of the current population either wasn’t born or they hadn’t turned five in 1995, when Finland won their first World Championship, in Sweden.

On Sunday morning, all generations of Finns got together, first to give the Olympic TV channel their record-breaking ratings, and then to get out in the streets and parks to celebrate the historic gold.

And on Monday, they welcomed their heroes at the airport before defying the elements to join thousands of others at the Helsinki Olympic Stadium for the official gold medal party. A storm swept over southern Finland, bringing with it 20 cm of snow and the gold medal winners from the men’s together with the bronze medal winners from the women’s team celebrated between plenty of snowflakes with 20,000 fans in attendance – the maximum number of people currently allowed.
One of the most celebrated people on the team was one that stood behind the bench. Head coach Jukka Jalonen was already the most accomplished coach in Finnish hockey, and now, with a World Juniors gold, two Worlds gold medals and an Olympic gold, he’s just a Stanley Cup short of the Triple Gold Club. And he’s won all that with nine different assistants on his staff.

His knowledge of the game is undeniable, but he doesn’t come across as an overly charismatic person. And yet, he does get a complete buy-in from his players, and it’s worked with teenagers as well as with veteran players on this Olympic team.

“Respecting others is the key. If you respect others, they’ll respect you right back,” Jalonen added.

And then he coaches them up.

Not that the Finnish team was without talent in Beijing. While only captain Valtteri Filppula and defenceman Sami Vatanen have long NHL careers under their belts, about a dozen Finns have recorded NHL games and about as many have been on the most recent World championship silver and gold medal teams. And of course, there was Marko Anttila, who once again rose to the occasion in the final, picking up an assist to Hannes Bjorninen’s gold-medal winning goal.

But in February 2022, Jukka Jalonen was the man of the hour, the one fans rallied behind the most, and whose name they chanted in the stadium, leaving the coach speechless.

After the final, Jalonen was asked if he is now considered a national treasure. He replied that he was just “a regular Finnish man”. That may just be his secret, if there is one.

“I’m not a miracle worker, but we have a great team – management and coaching staff and the players – that works well together. I just give the finishing touch,” Jalonen said in Yle’s interview.

Finland’s road to the top of the world – a top spot in the IIHF Men’s World Ranking is around the corner – has been a long and winding one, with at least as many setbacks and disappointments as successes, enough even for the younger citizens.

From one first to another first; from 1988 to 2022, and from goaltenders Jukka Tammi and Jarmo Myllys to Harri Sateri and Jussi Olkinuora; from team captain Timo Blomqvist to Valtteri Filppula and from head coach Pentti Matikainen to Jukka Jalonen, the circle is now complete.

Next up: winning gold on home ice in May. Finland’s never done that before and fans will be looking forward to welcoming the 2022 IIHF Ice Hockey World Championship in Tampere and Helsinki soon.
Finland Olympic gold celebration in Helsinki (by leijonat.fi) 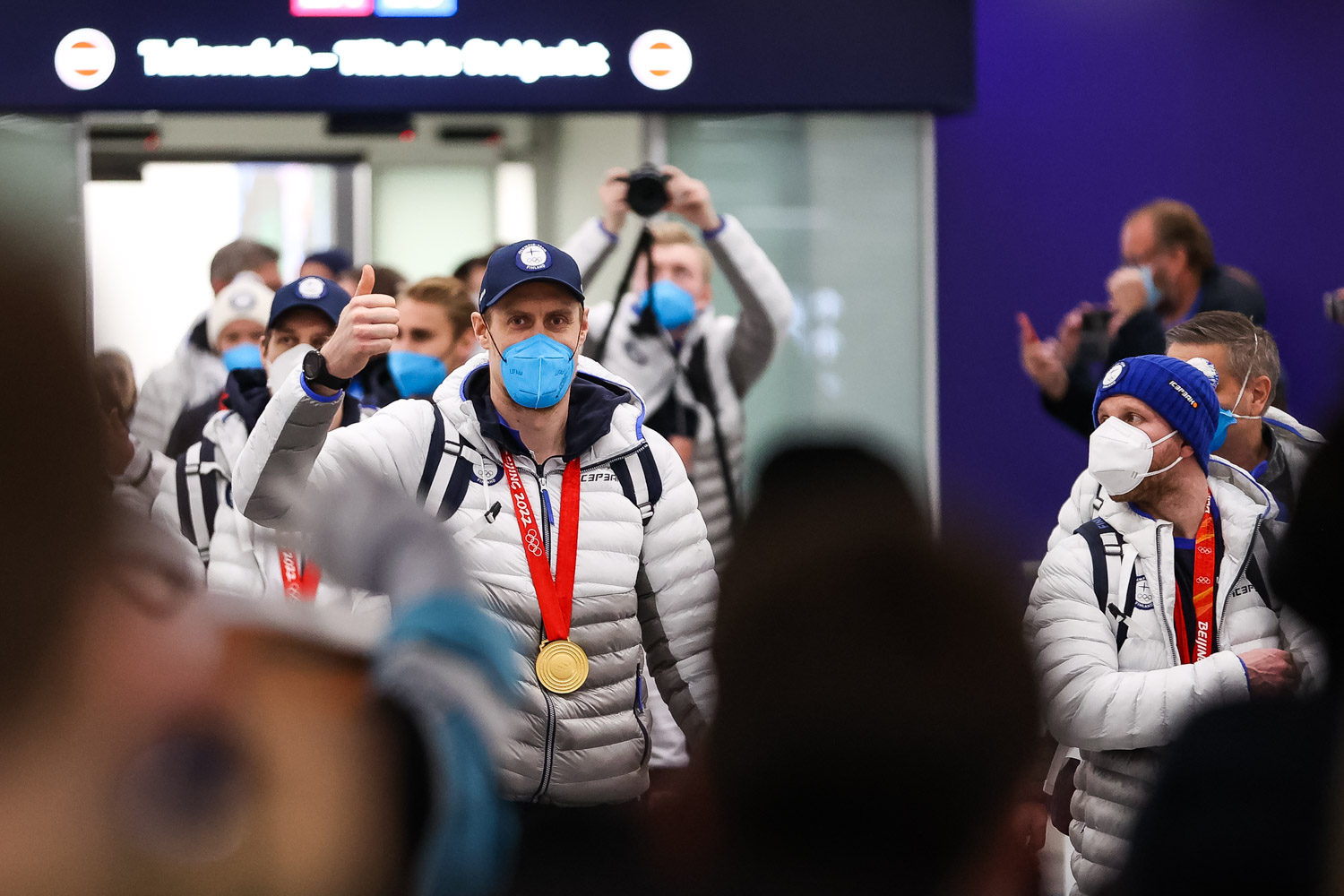 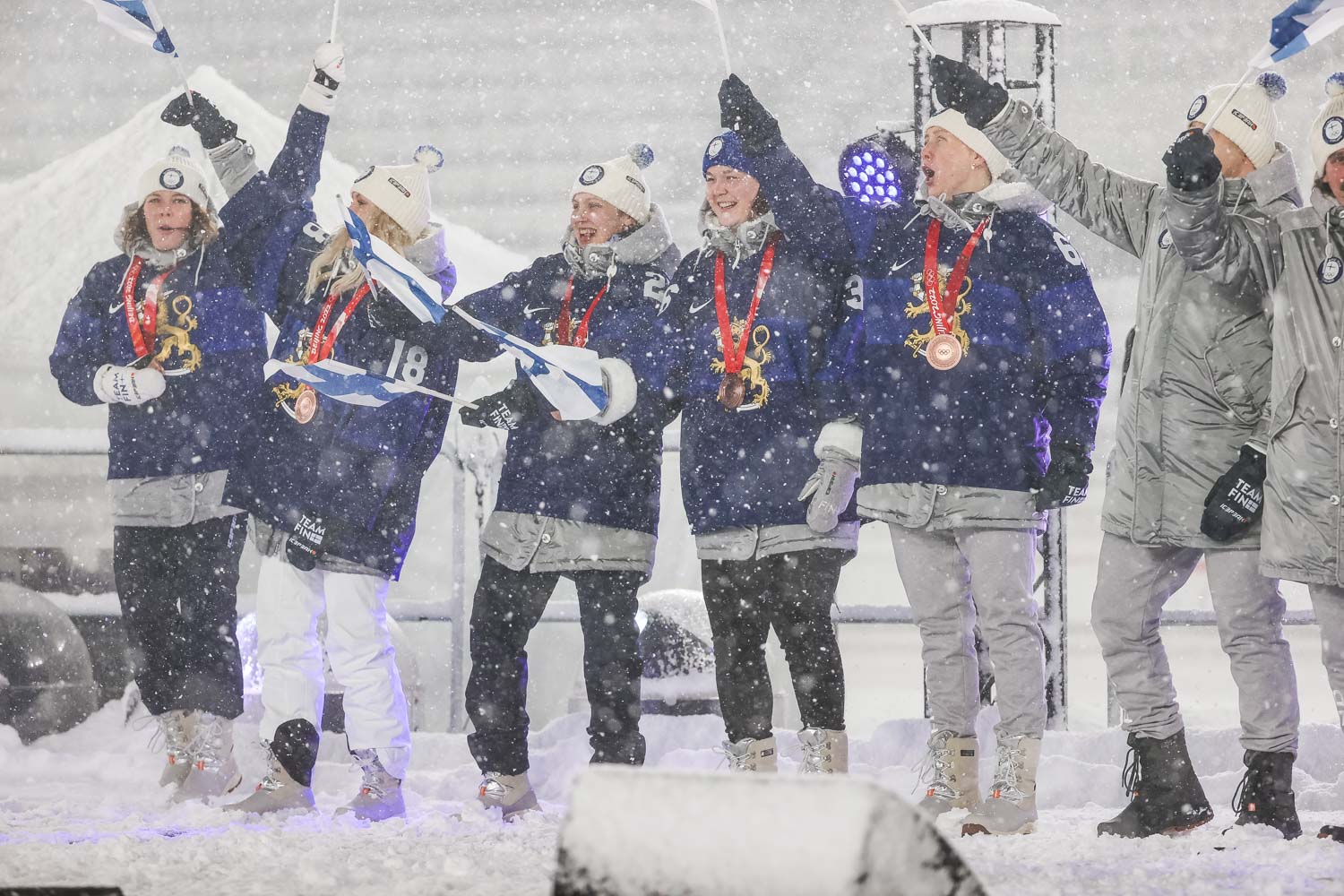 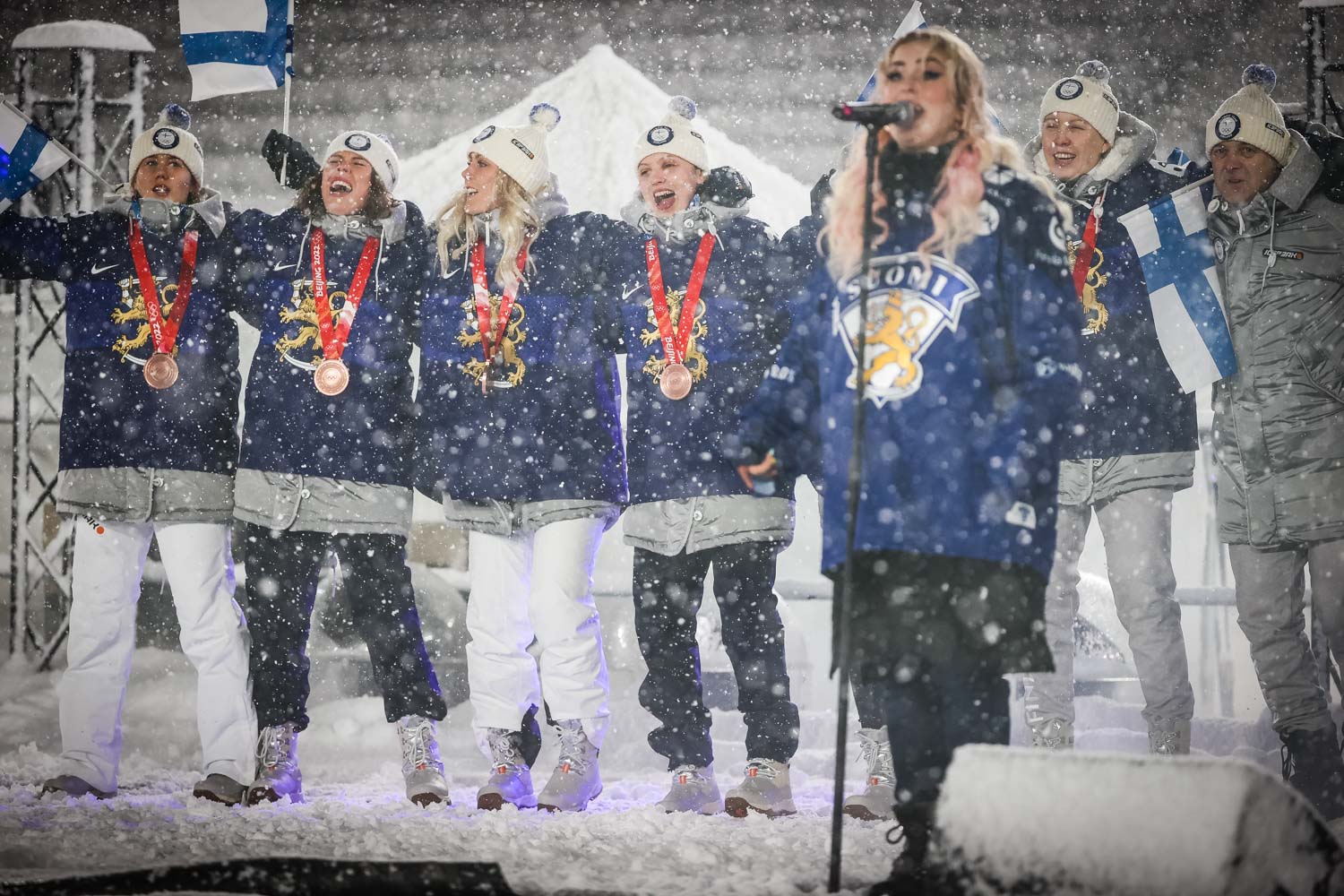 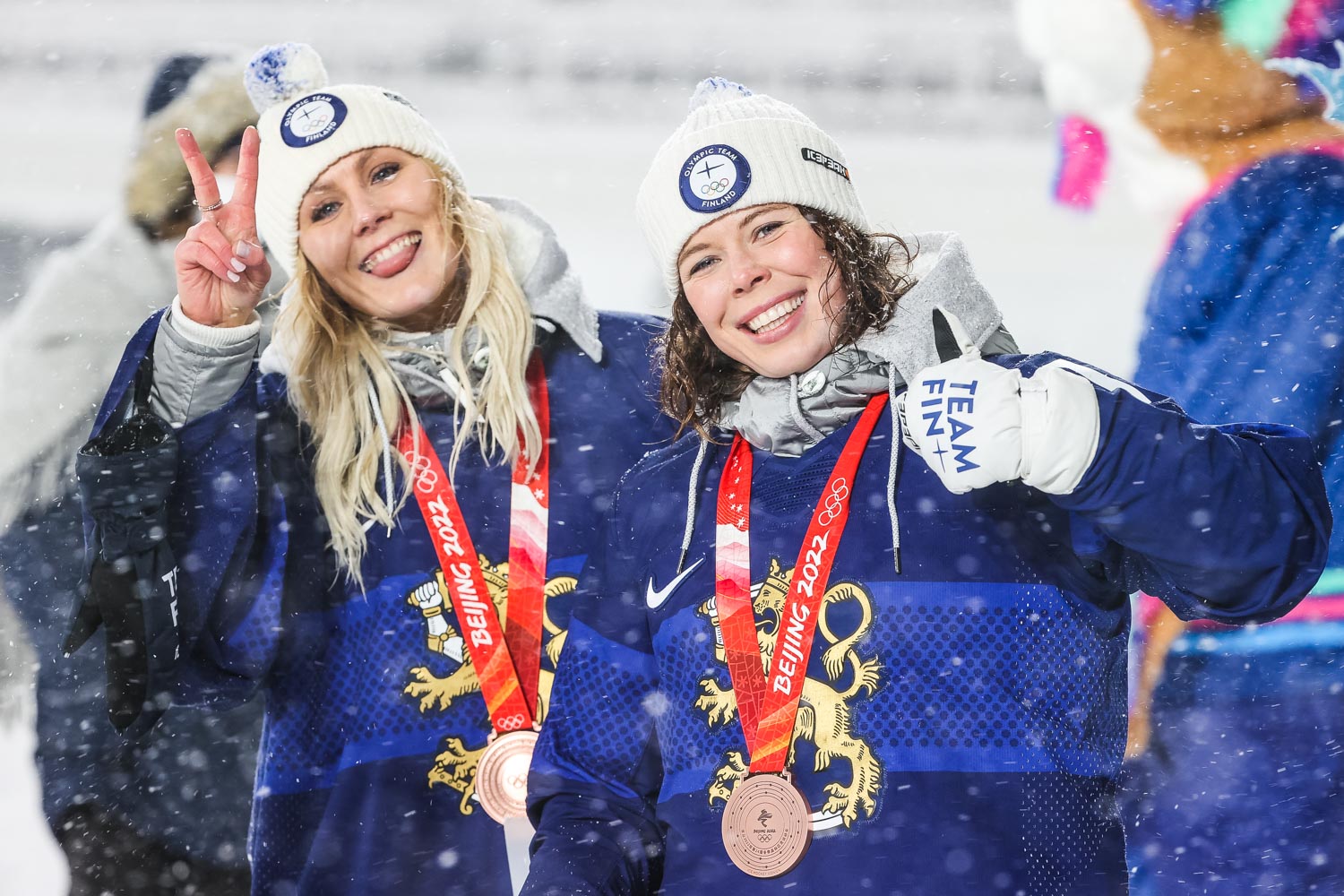 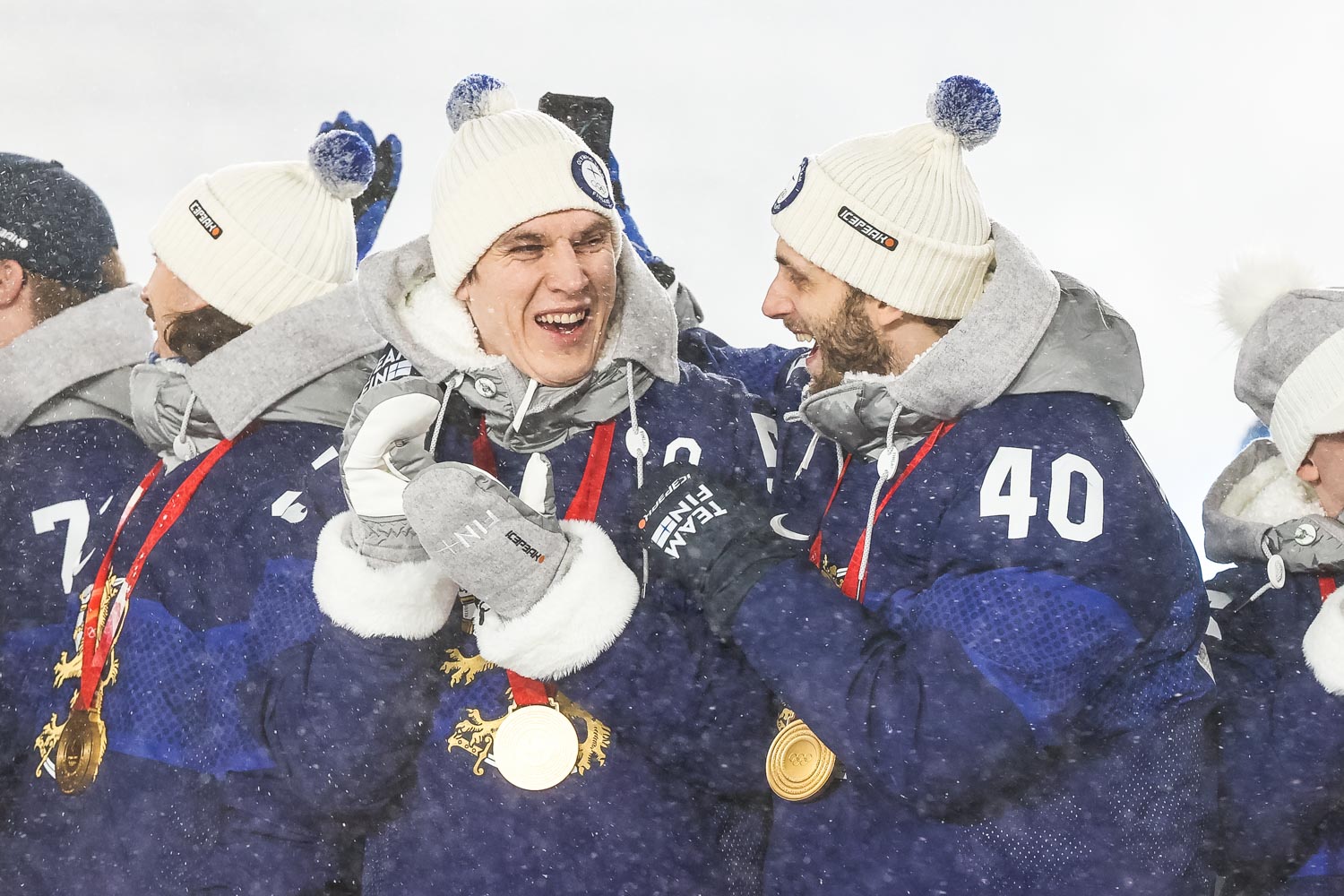 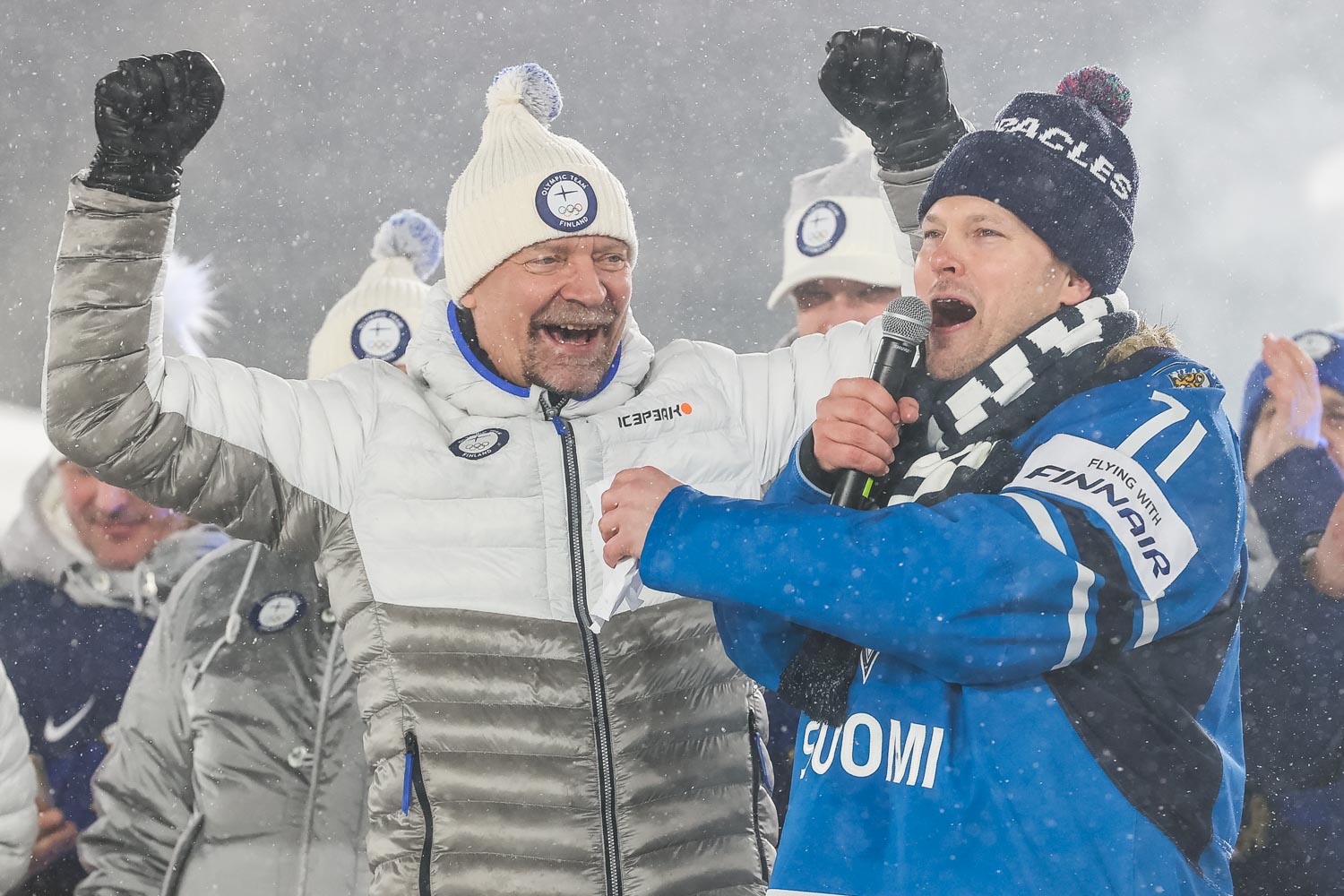 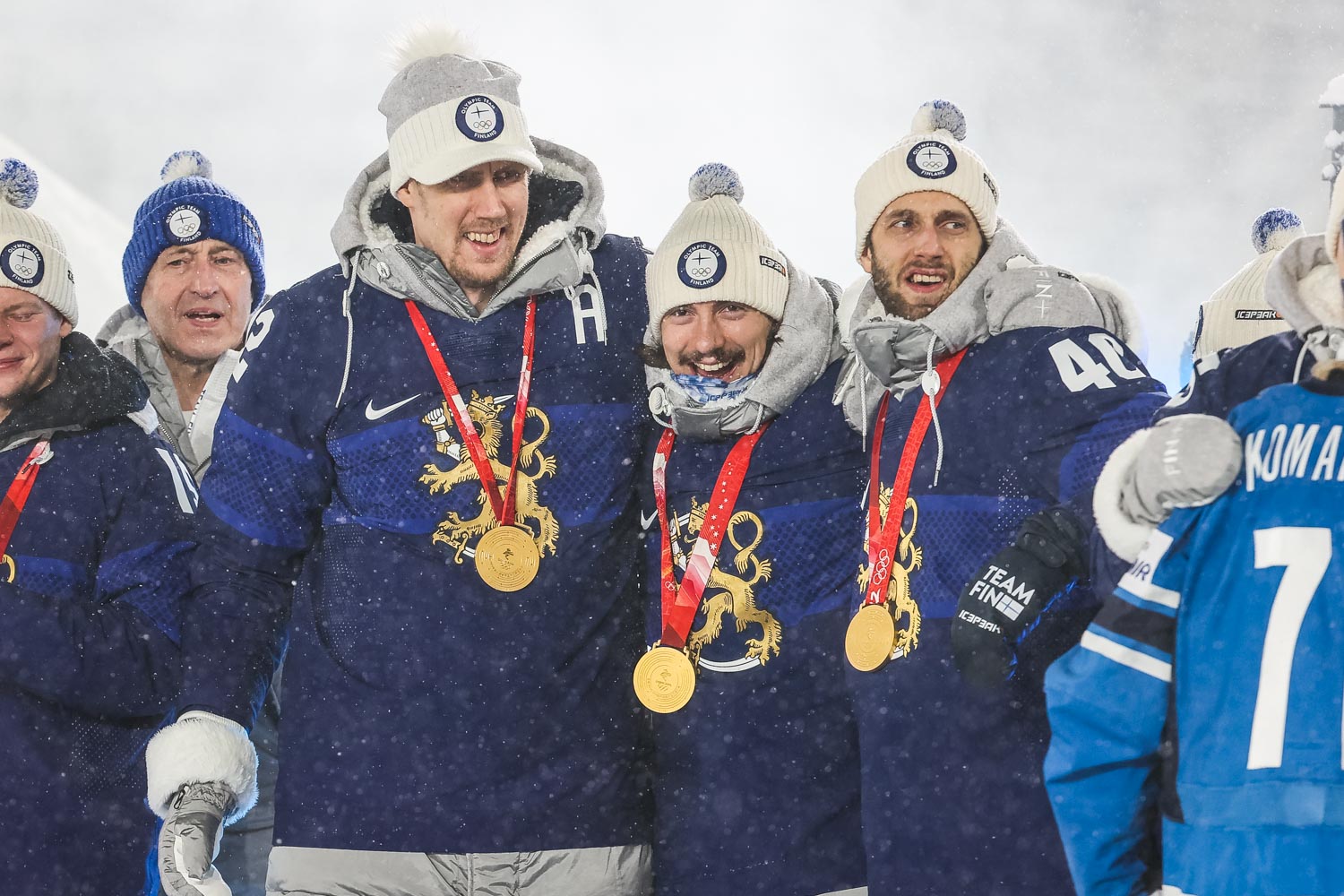 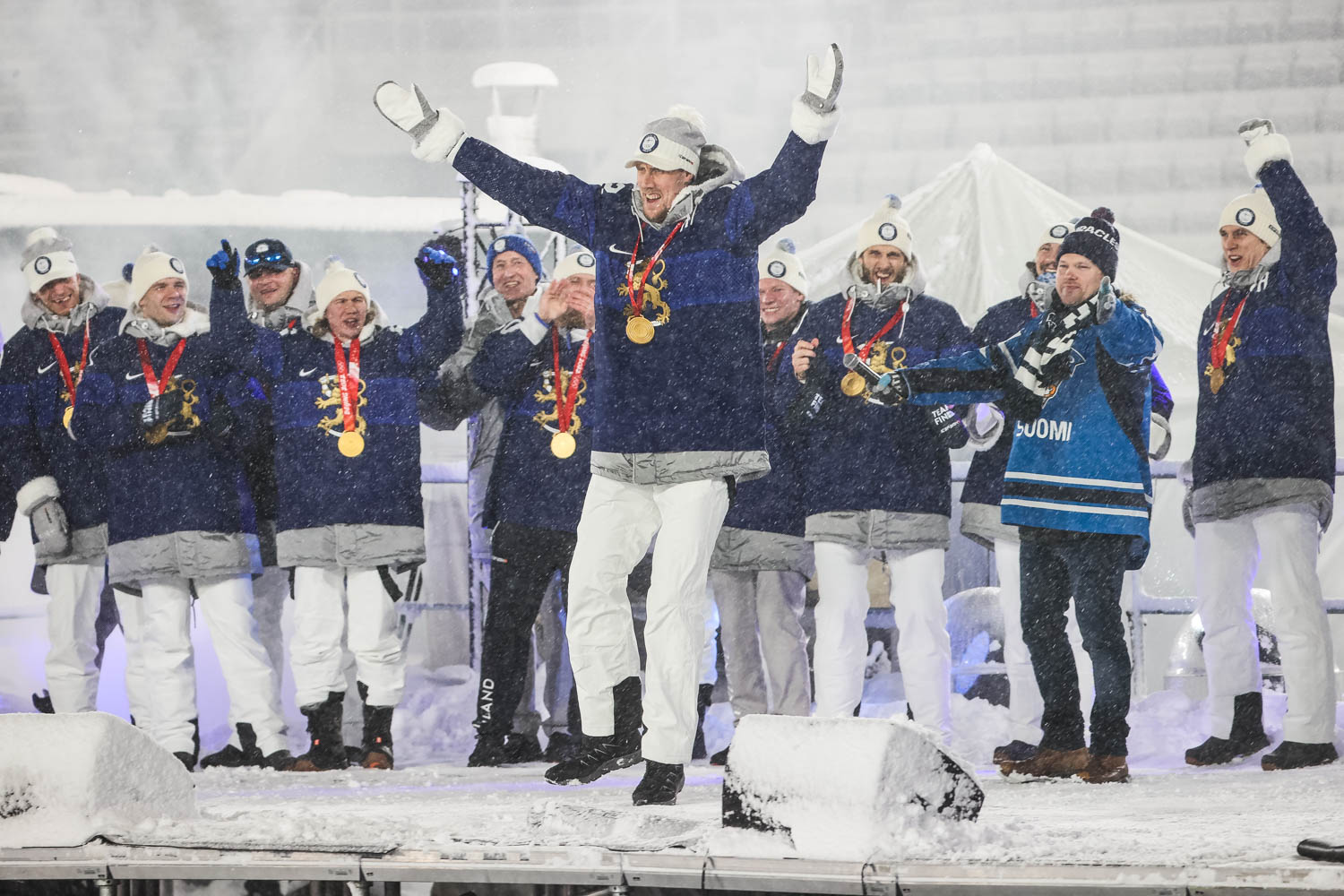 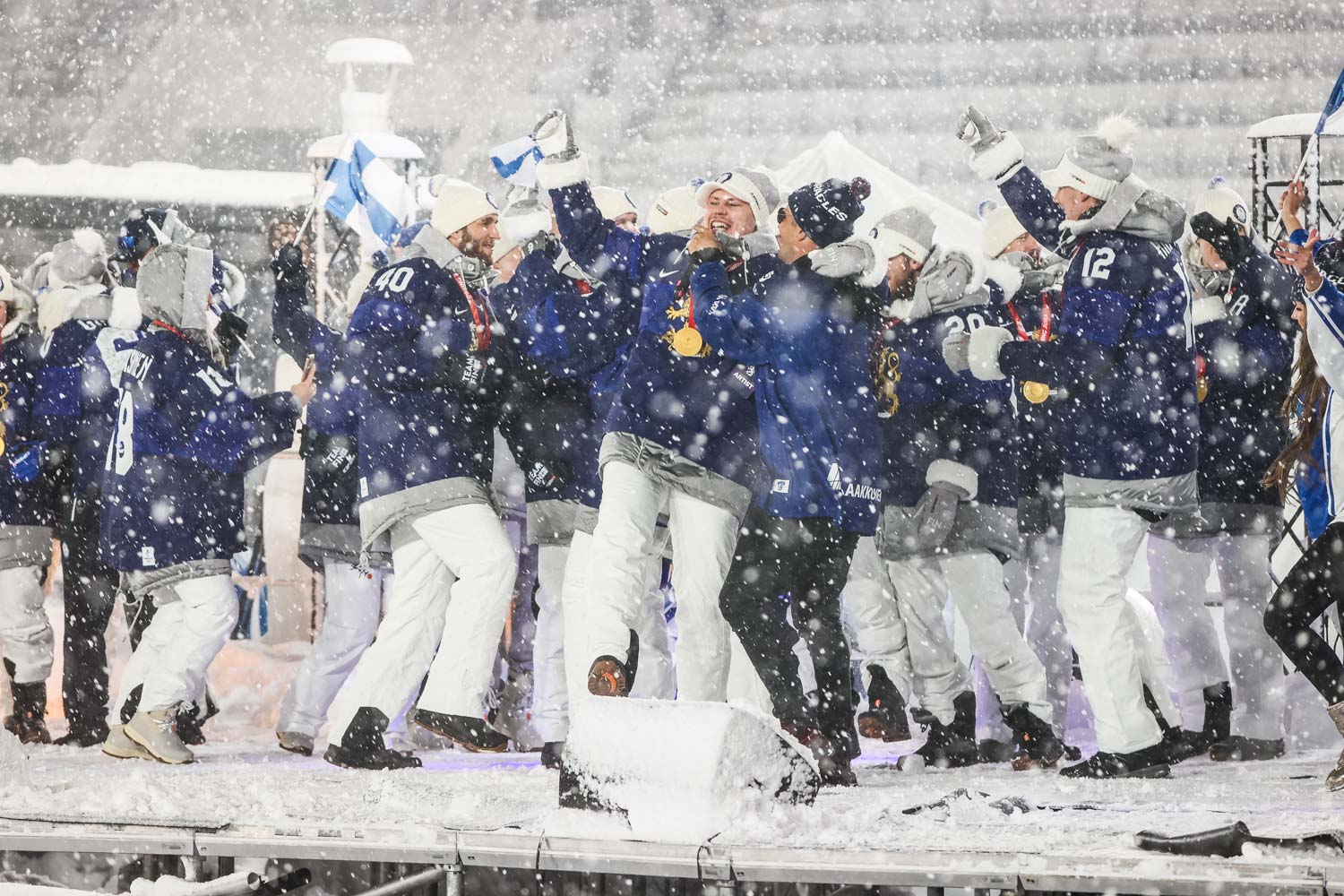