It’s a group that made a memorable impact on and off the ice, from winning Stanley Cups to orchestrating one of the most profound moments in Olympic hockey when Korea’s women formed a unified North and South team for the Games in PyeongChang.

The year of the blueliners

This ceremony was originally scheduled to take place in Zurich during the 2020 IIHF Ice Hockey World Championship. As a result, there was a strong Swiss accent to proceedings with two legendary defenceman, Mathias Seger and Mark Streit, among the nominees.

The two were a formidable blue line partnership on the Swiss national team, helping to cement its status as a top division nation in the late 1990s, and it was fitting to see them together once again at this ceremony.

Seger played in 16 World Championships for Switzerland and captained the team to its famous silver medal in 2013. His longevity at this level was only surpassed this month when compatriot Andres Ambuhl stepped on the ice for the 17th time with the world’s elite.

“It was always a great pleasure to play against the best and always a big motivation,” Seger said. “At the same time, you always learn about other countries, other ways of life – but I still never could understand the Finnish language.”

And Seger also paid tribute to his on-ice partnership with Streit. “I also know that I wouldn’t be standing here without all the team-mates that I had,” he added. “That’s one of the greatest things in our sport. It’s not the best individual who wins it’s always the best team is winning. That’s why I want to thank all my team-mates, especially my friend Mark. It was a pleasure to share this journey with you.”
World Men
2022 IIHF Hall of Fame Induction Ceremony
IIHF Hall of Fame induction ceremony with Mathias Seger, Mark Streit, Kimmo Timonen, Ron Berteling, Mong Won Chung and Paul Loicq Award recipient Zoltan Kovacs.
29 MAY 2022
Streit was a trailblazer for Swiss players in the NHL despite going undrafted until the ripe old age of 27. After 12 years and almost 800 games, including a spell as captain of the Islanders – the first Swiss player to wear the ‘C’ for an NHL team. Internationally, he played at 13 World Championships, nine as captain, and four Olympic Games.

“It was always a great privilege to play this sport and, like Mathias mentioned before, you cannot do it on your own,” Streit said. “You need support, your families, your wives, your girlfriends, your team-mates, coaches and staff members. Without them, you’re nothing and that’s the beauty of our sport.

“It’s a team game, we’re a big family. This is the best sport I can imagine. I’m really thankful that for such a long time I was able to do it.”

This year’s host nation, Finland, was also represented, with Kimmo Timonen making the case for greater recognition for defensive players. “It’s great to see a lot of defencemen in the group,” he said. “Usually the forwards get all the credit so we will take it this time.”

Timonen’s career typifies Finnish grit and determination. Warned that blood clots in his lungs and in one leg might end his career, the Kuopio native not only recovered but went on to lift the Stanley Cup with Chicago. He also played at five Olympics, winning silver and three bronze.

“What a ride,” he reflected. “I miss every moment of it. All the memories, everything that happened, today might be the last one in hockey.

“So, Mom, I’m going to order a big bottle of champagne today and we’re going to really enjoy it!”

For all that success on the ice, the thing that was hardest to leave behind on retirement in 2015 was the camaraderie on Kimonen’s teams – especially the national team.

“We always have a good coaching staff and you need talent to win big tournaments, but like Mark and Mathias said, it’s that family atmosphere,” Kimonen explained. “The Finnish team culture has been created long before my time, then we came along and now there’s a new generation keeping up the tradition of that family atmosphere.

“The respect we have for each other in the locker room and the team-work, I miss that atmosphere. You’ll see it tonight. The Finnish system is so tight, the friendship, the respect level is always there, and I miss those moments.”

Mong Won Chung, long-serving President of Korea’s Ice Hockey Association, was honoured in the ‘builder’ category after his work in bringing Korean hockey up in the IIHF rankings and creating men’s and women’s teams that competed at the 2018 Olympics in PyeongChang.

That tournament’s enduring image was the unique cooperation between the two Korean states in the ice hockey tournament. At the Opening Ceremony, female players from North and South walked side-by-side with one from each side of the border going up to light the flame. But that was only the start.

“Our women’s team represented a unified Korea,” said Chung. “That opened the door for a dialogue between south and north Korea and promoting peace in the region.

“We didn’t win any games, but we gained valuable experience and insight.”

Chung’s hockey journey started in 1994 when employees at his business asked to form a hockey team. That grew into Anyang Halla, a powerhouse in Asian hockey. Ever since, sport and commerce have gone hand-in-hand for Chung. “Hockey and business have many things in common,” he added. “They both require speed, intuition and most of all good teamwork.

“Hockey has influenced my management philosophy in life. For instance, our company launched an autonomous test vehicle and we named it ‘hockey’ and our patrol robot ‘goalie’. You can say hockey is my life.”

The Knight of Dutch Hockey

As always, the Hall of Fame ceremony took time to ensure that hockey’s smaller nations were represented. In the Netherlands, Ron Berteling is known as Mr. Ice Hockey and his domestic honours include being made a Knight of the Order of Orange-Nassau. Today, he was presented with the Bibi Torriani award.

The Dutch hockey community is a tight-knit group, and one that inspires ferocious loyalty. While the country was in thrall to the footballing skills of Johan Cruyff, a young Berteling had his own home-grown hero. “My hockey idol was not the legendary Bobby Hull,” he said. “My hockey idol was Jos Bles. Jos was my mentor on the ice and my go-to person off the ice. We go back 58 years, and we still see each other two or three times a week.”

Berteling’s career includes the Netherlands' only Olympic and World Championship top division appearances in the past 70 years. In total he has 213 games for his country, including 14 World Championship campaigns at various levels. It was a long journey from the day in 1964 when he had his first “so-called hockey practice” on Amsterdam’s only outdoor rink – and it featured some special personal highlights.

“As a junior player in Amsterdam, I lost my first official game against Tilburg,” Berteling recalled. “As a coach, I was 55 years old and I was forced to play one more official game at the highest level. Guess what? We lost that game too. But in that game, being on the same line playing with my son was definitely one of the highlights of my hockey career.”
World Men
IIHF Hall of Fame Class of 2020/2022
31 MAY 2022
The Paul Loicq Award went to Hungary’s Zoltan Kovacs for his work as General Secretary of his country’s hockey federation. Underlining the point about the hockey family, he has his own memories of fellow inductee Berteling.

“I just told Ron how I was sitting on the stairs of a sold-out Budapest Arena, watching him captain Holland in a game against Hungary,” he said. On the same day, the future husband of IIHF Council member Zsuzsanna Kolbenheyer was a flagbearer for the Dutch team.

By the time he was appointed as General Secretary of the Hungarian Ice Hockey Federation, though,  Kovacs found a hockey program in trouble.

“My only wish was to open one indoor rink in Hungary,” he recalled. “We were struggling, in the whole country we maybe had one indoor rink and that was not a normal size.

That growth has seen Hungary’s national team climb the rankings, playing in the top division of the World Championship in 2009 and 2016. And the Magyars will be back at the summit next season after winning promotion from Division IA at the start of May.
2022 IIHF Hall of Fame Induction Ceremony 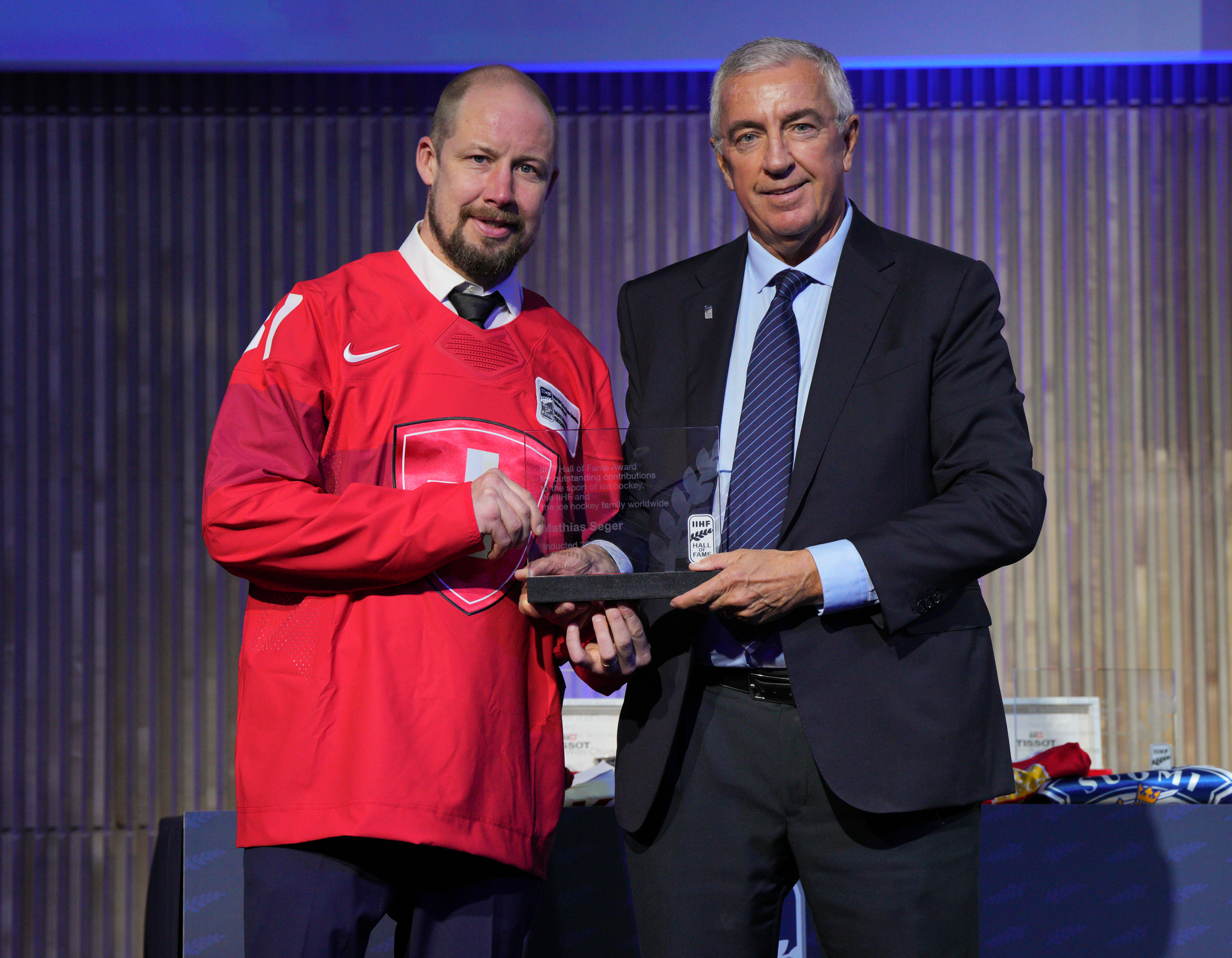 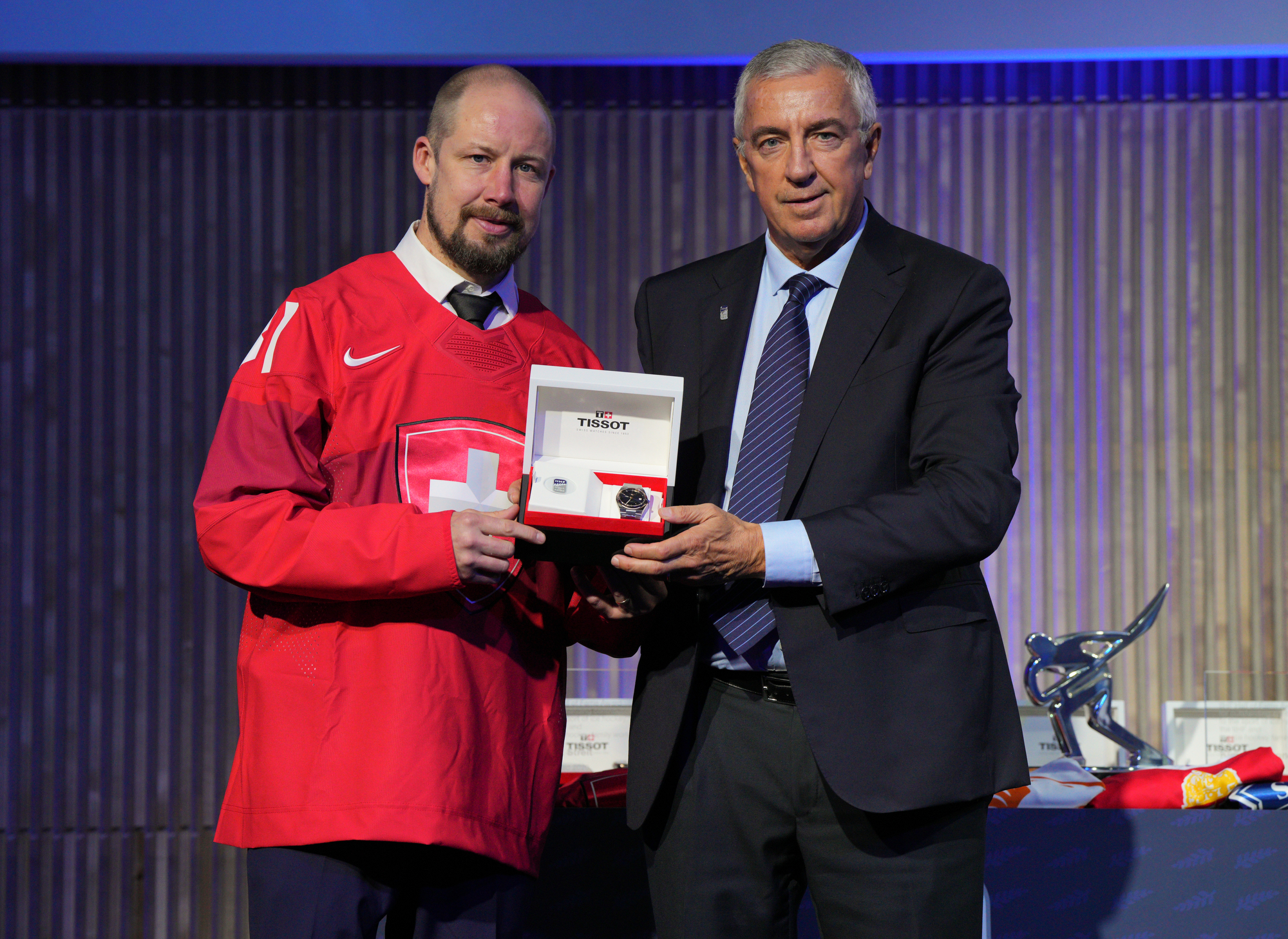 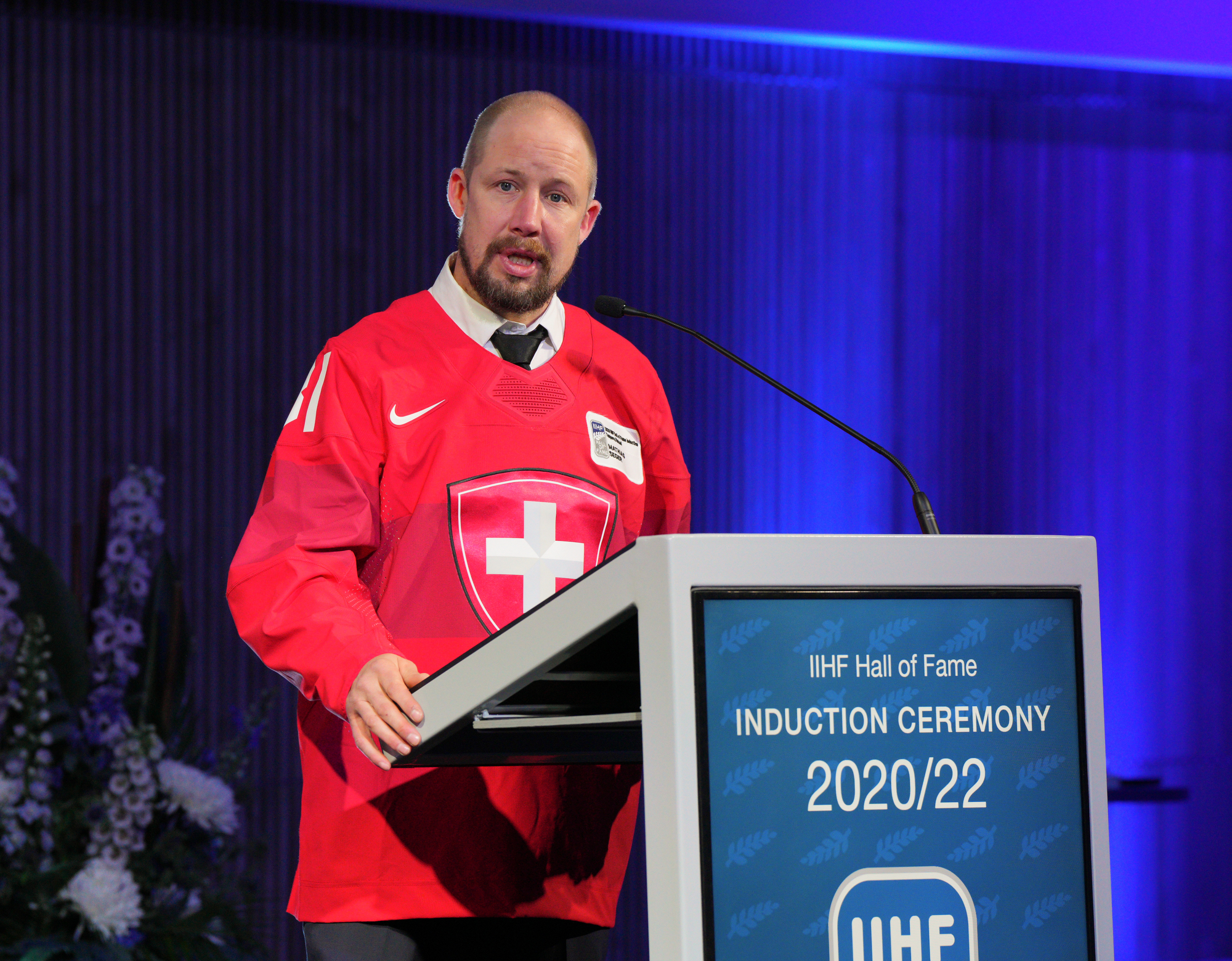 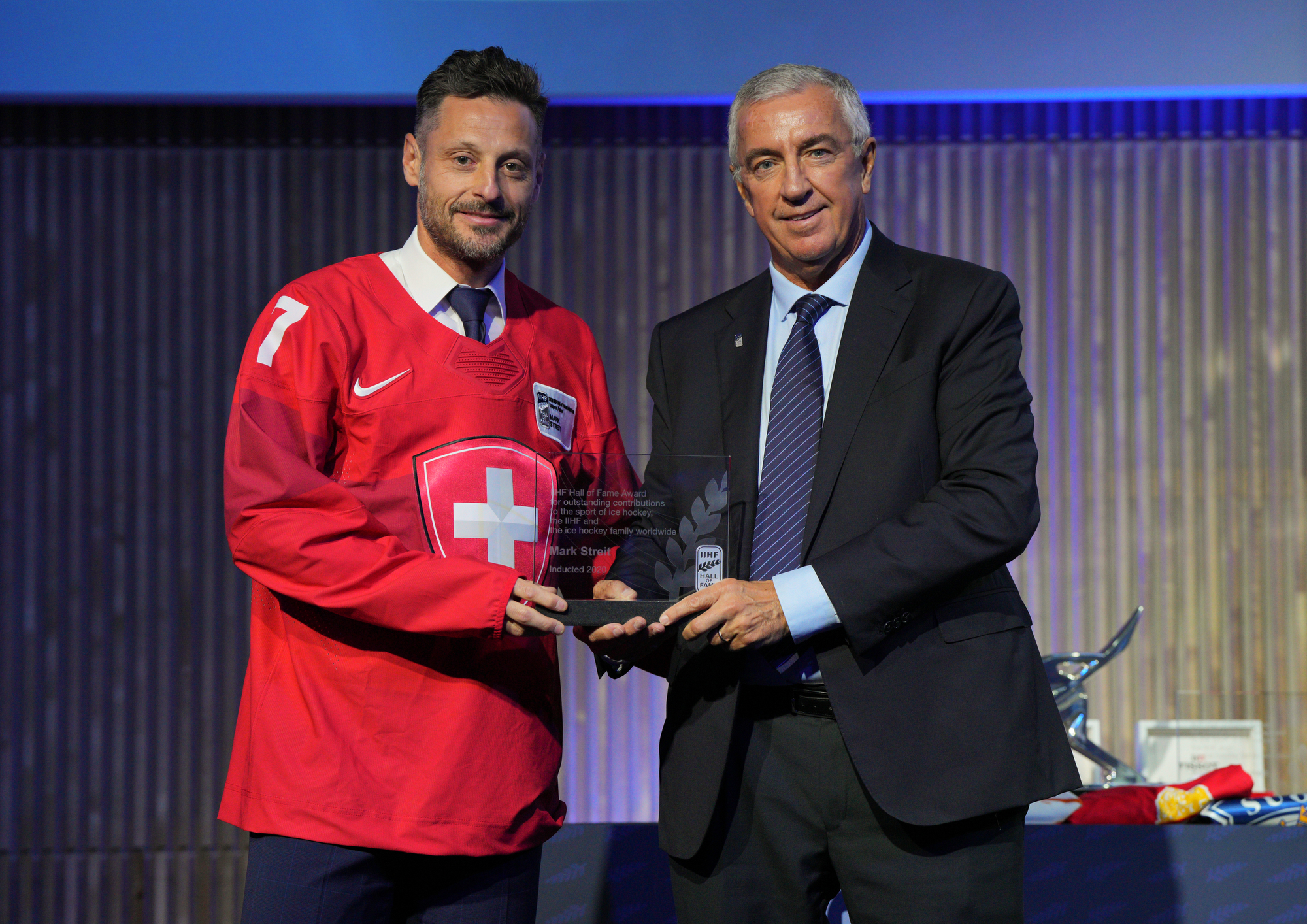 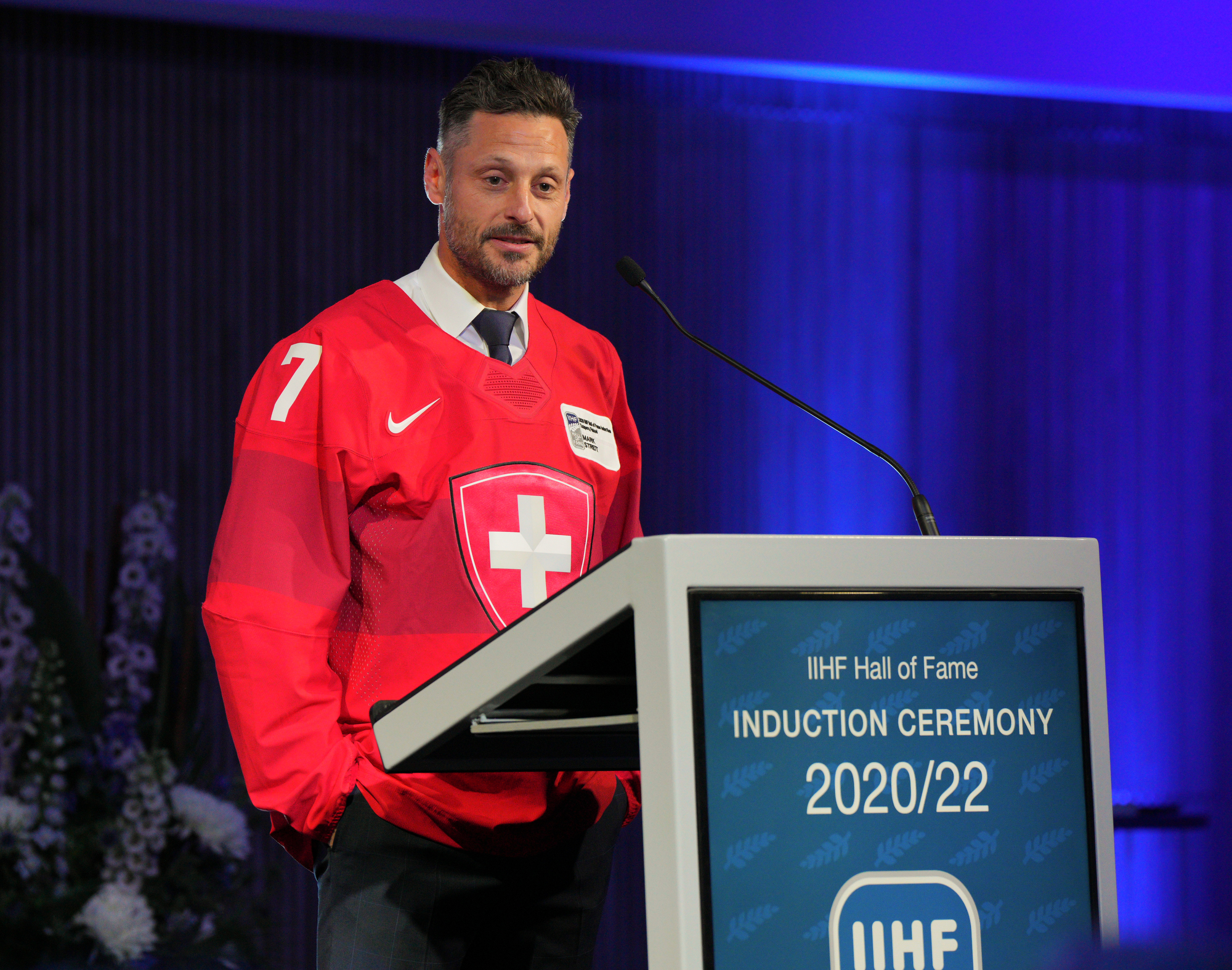 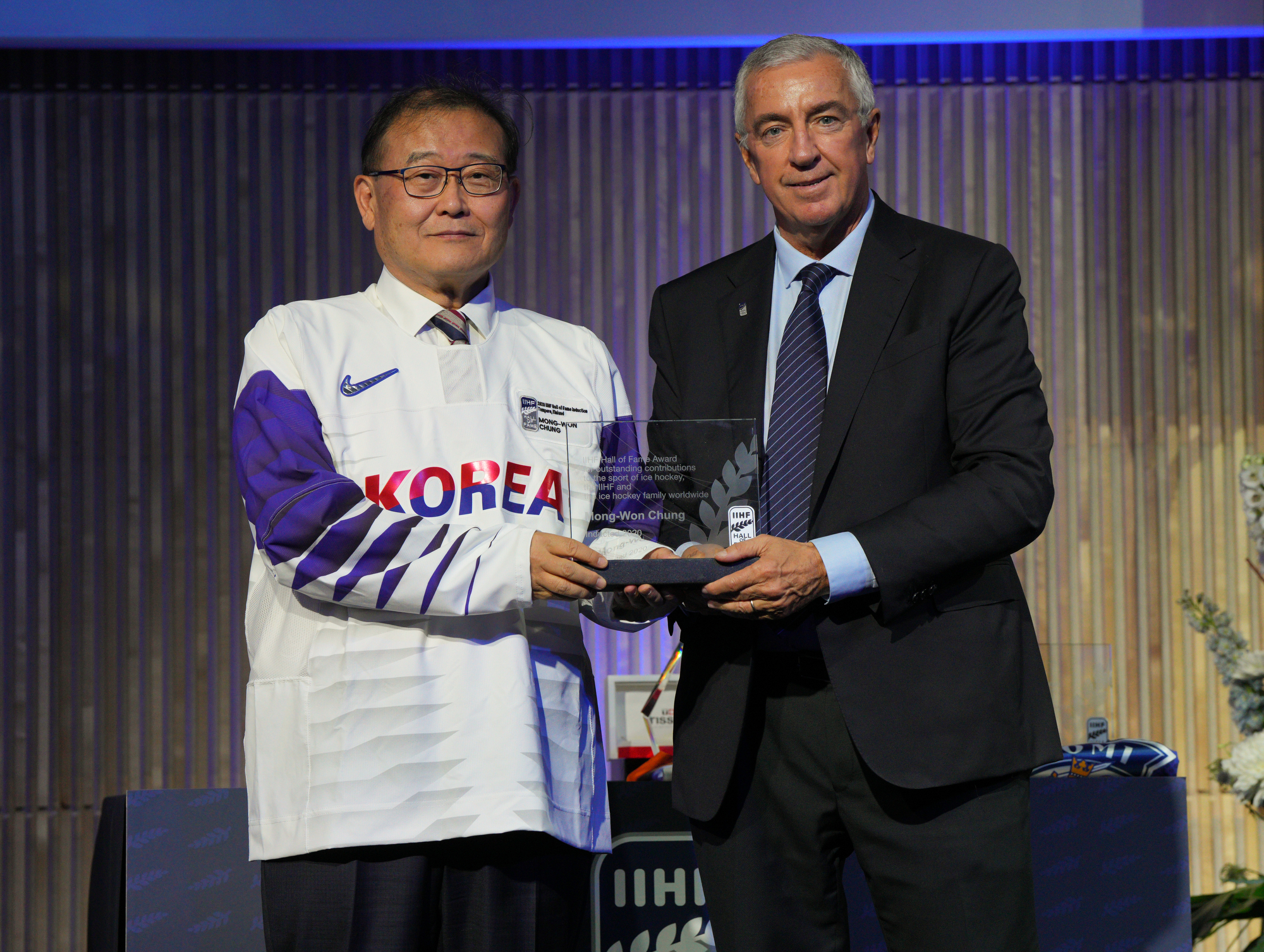 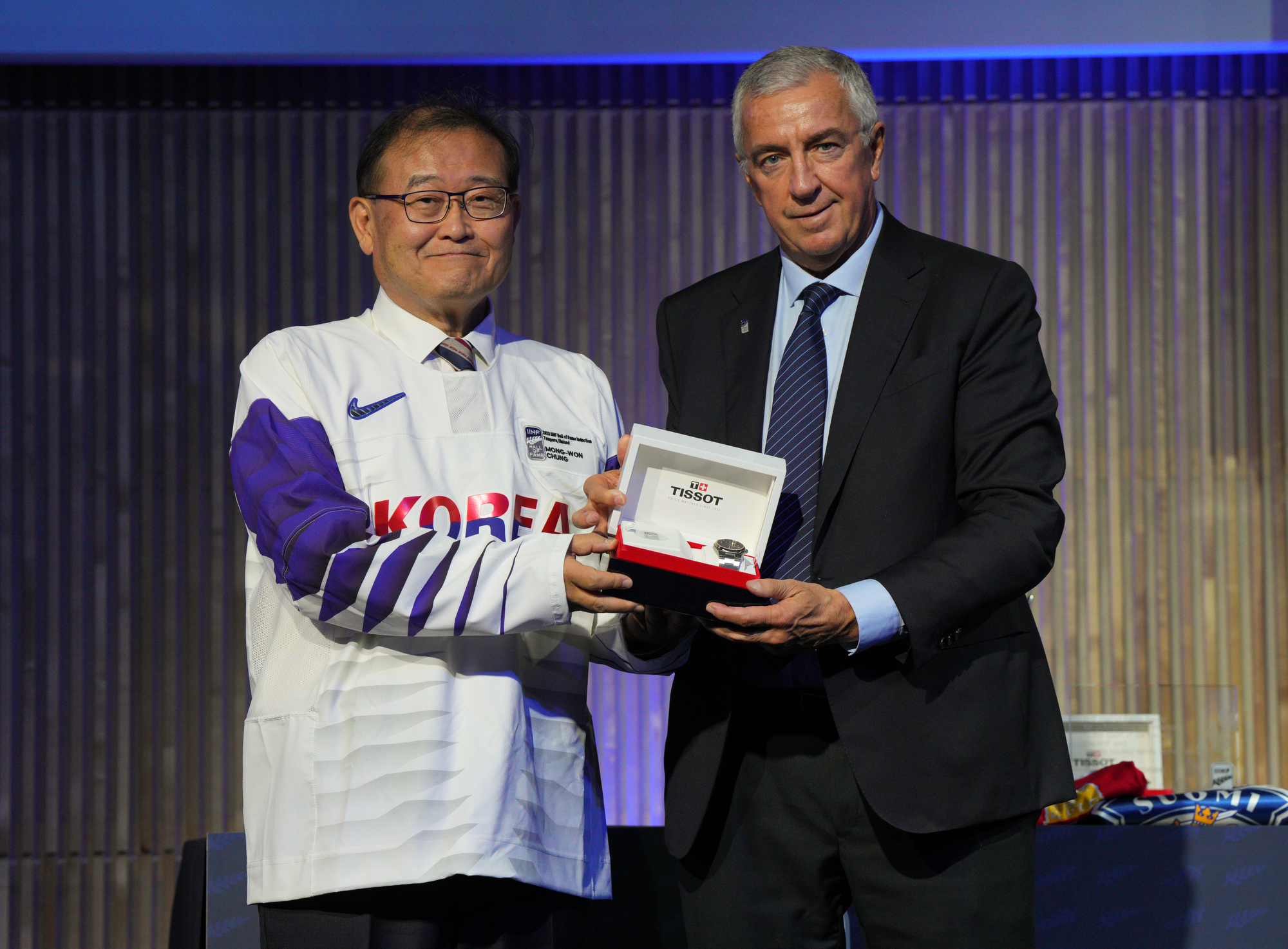 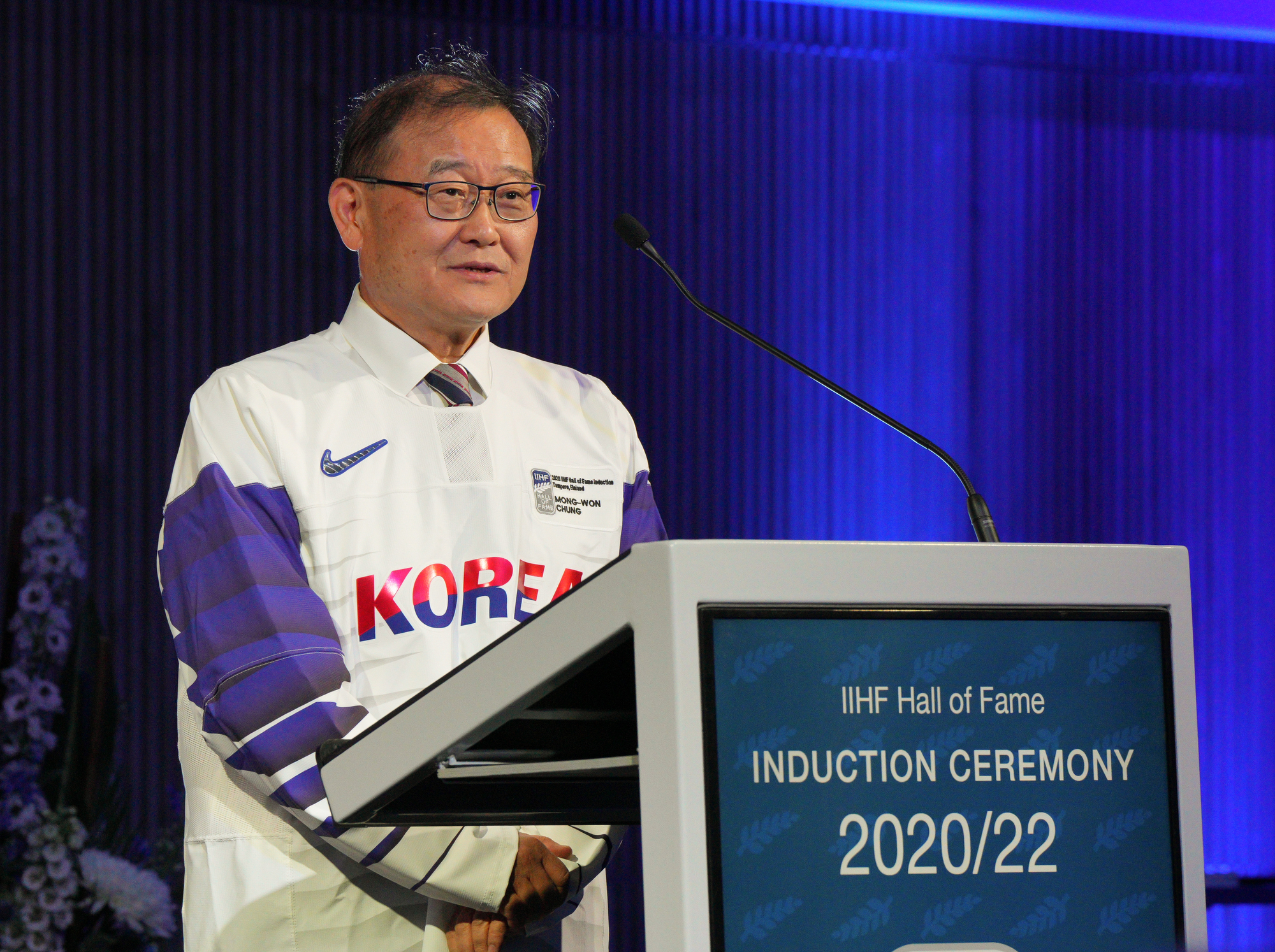 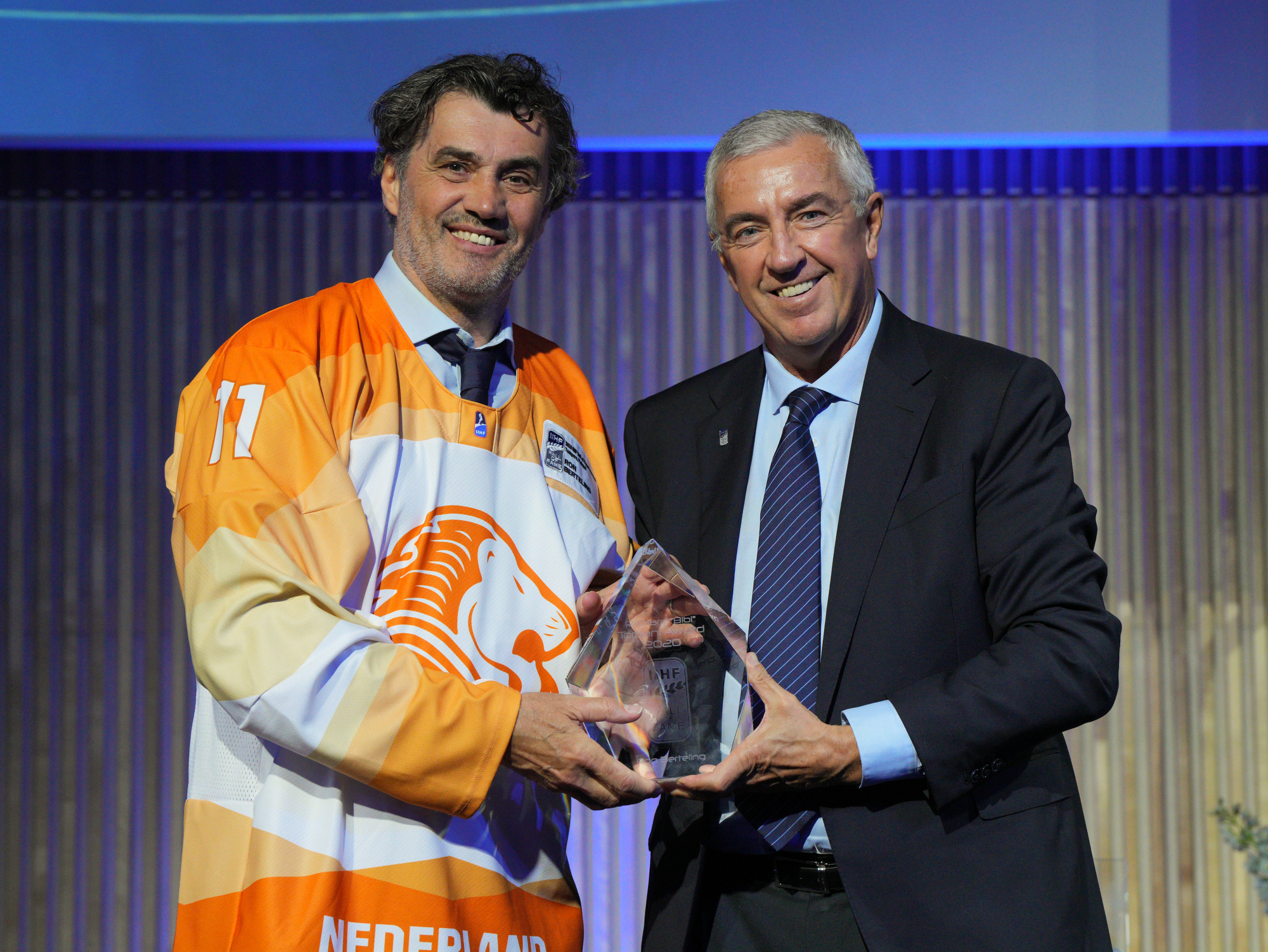 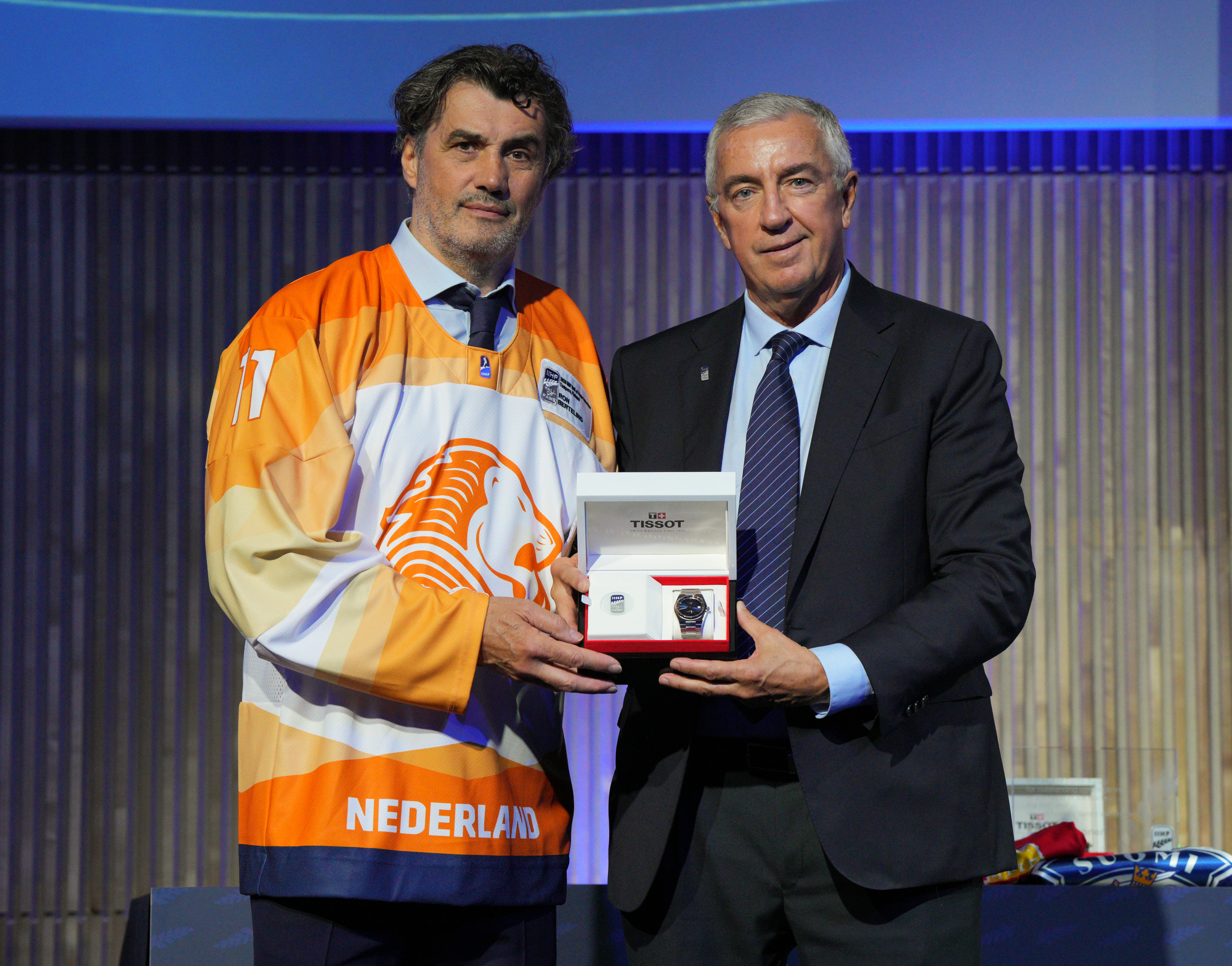 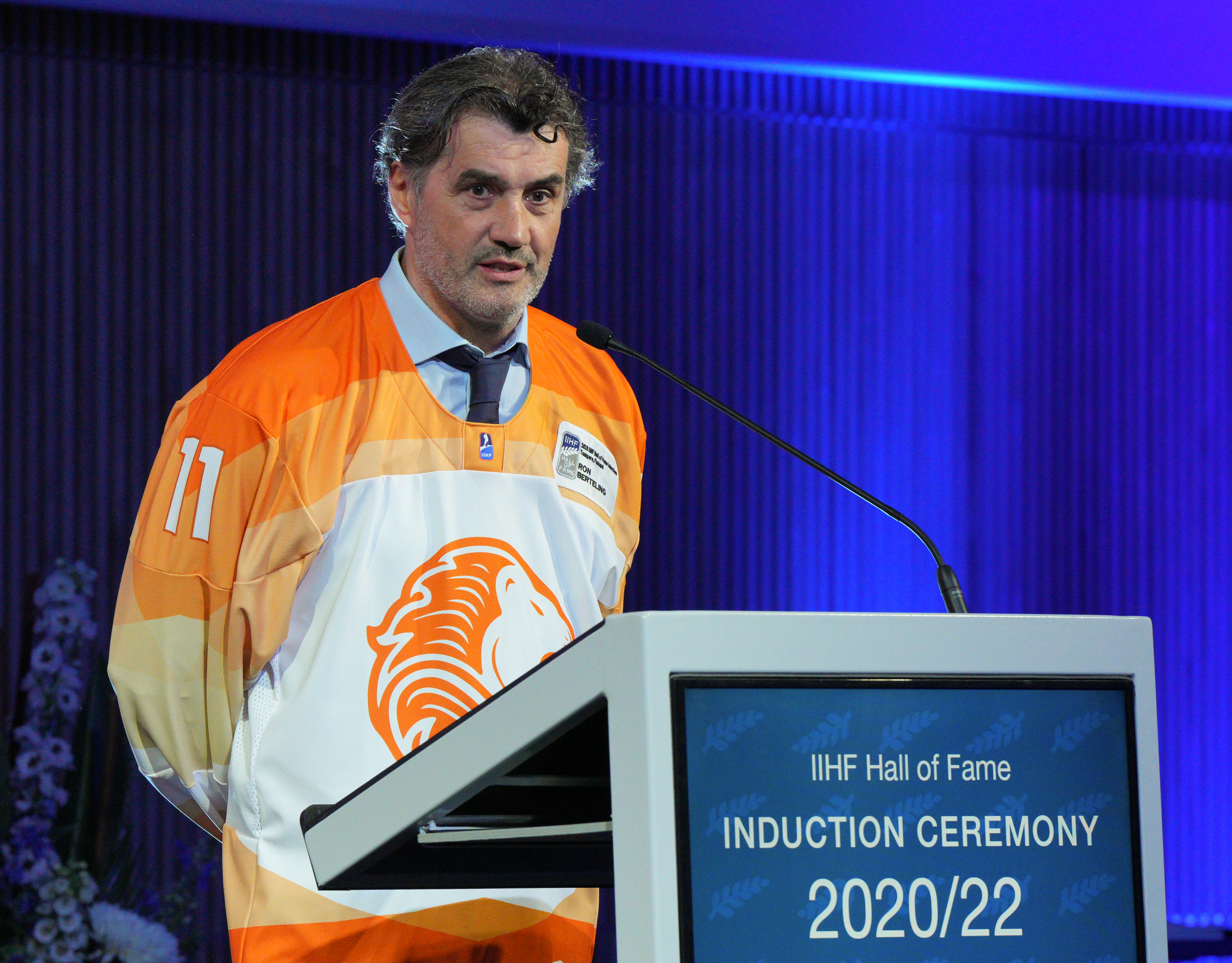 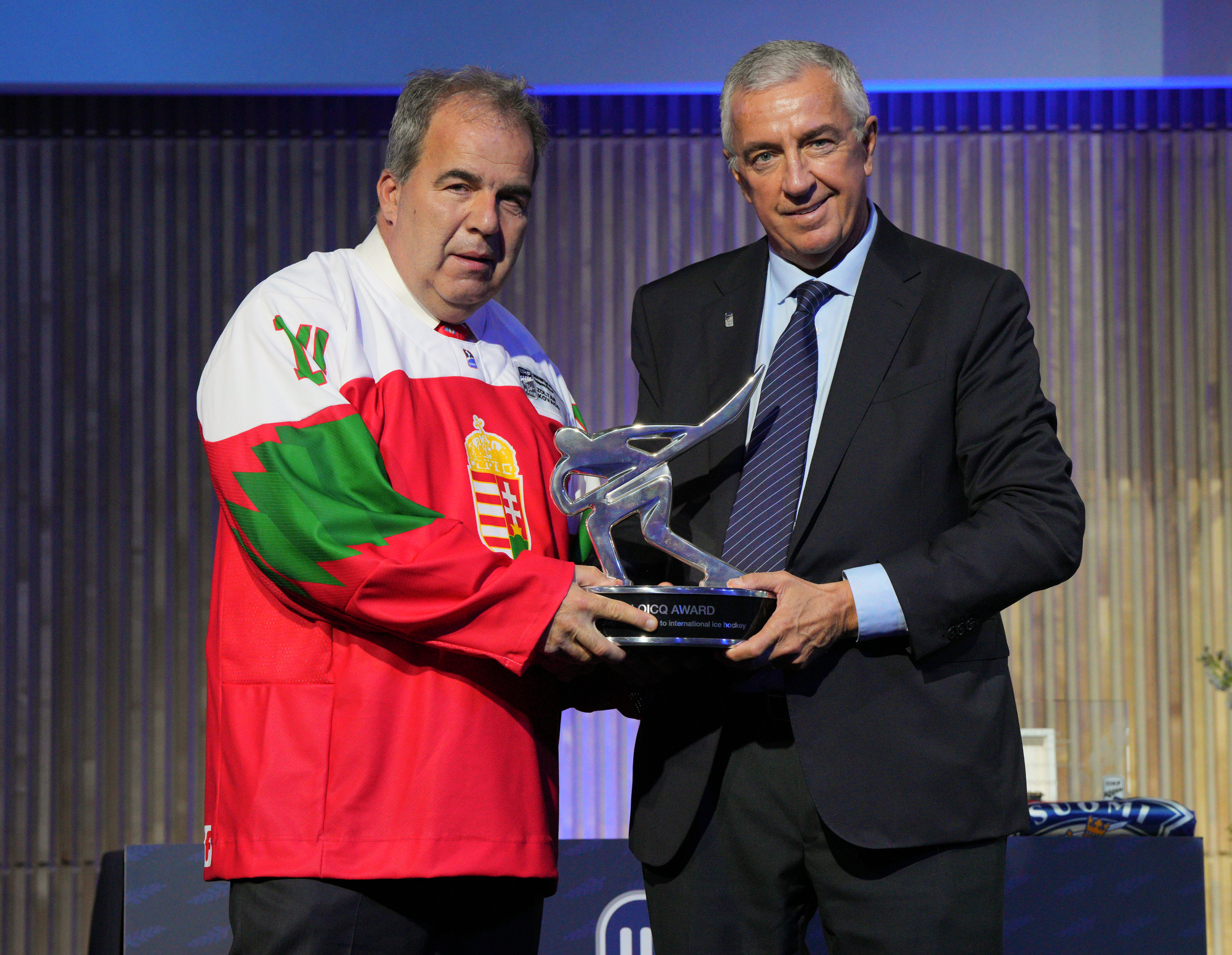 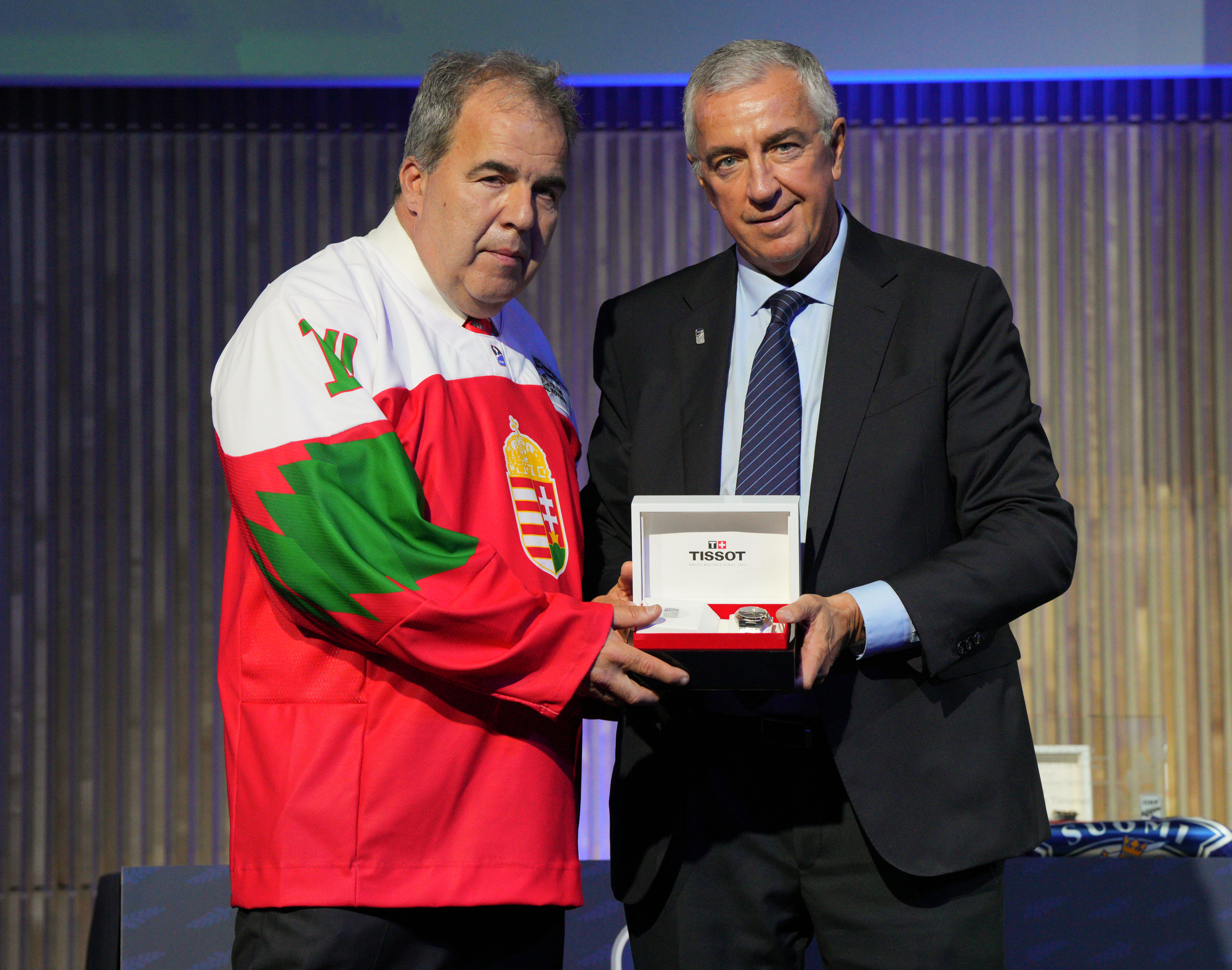 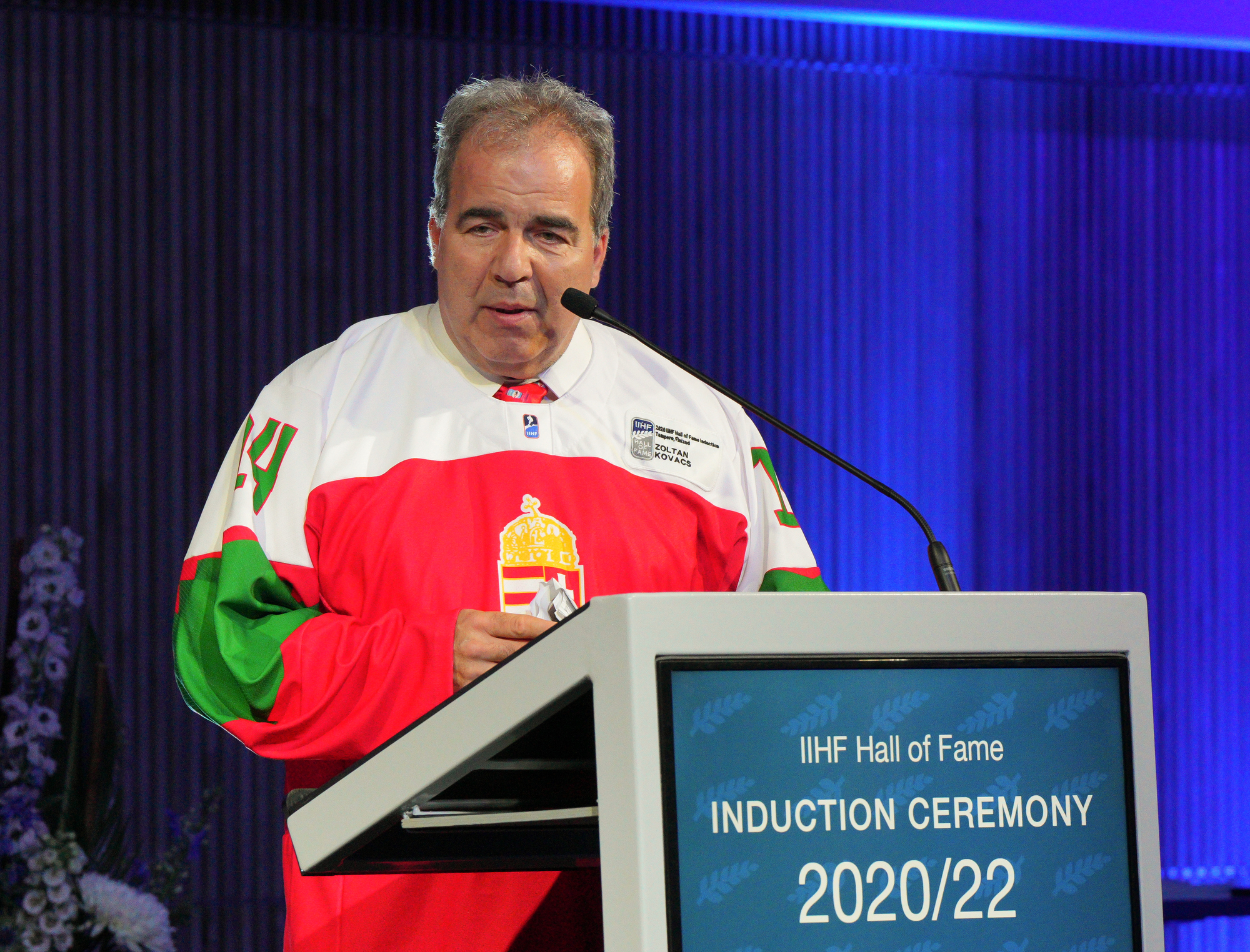 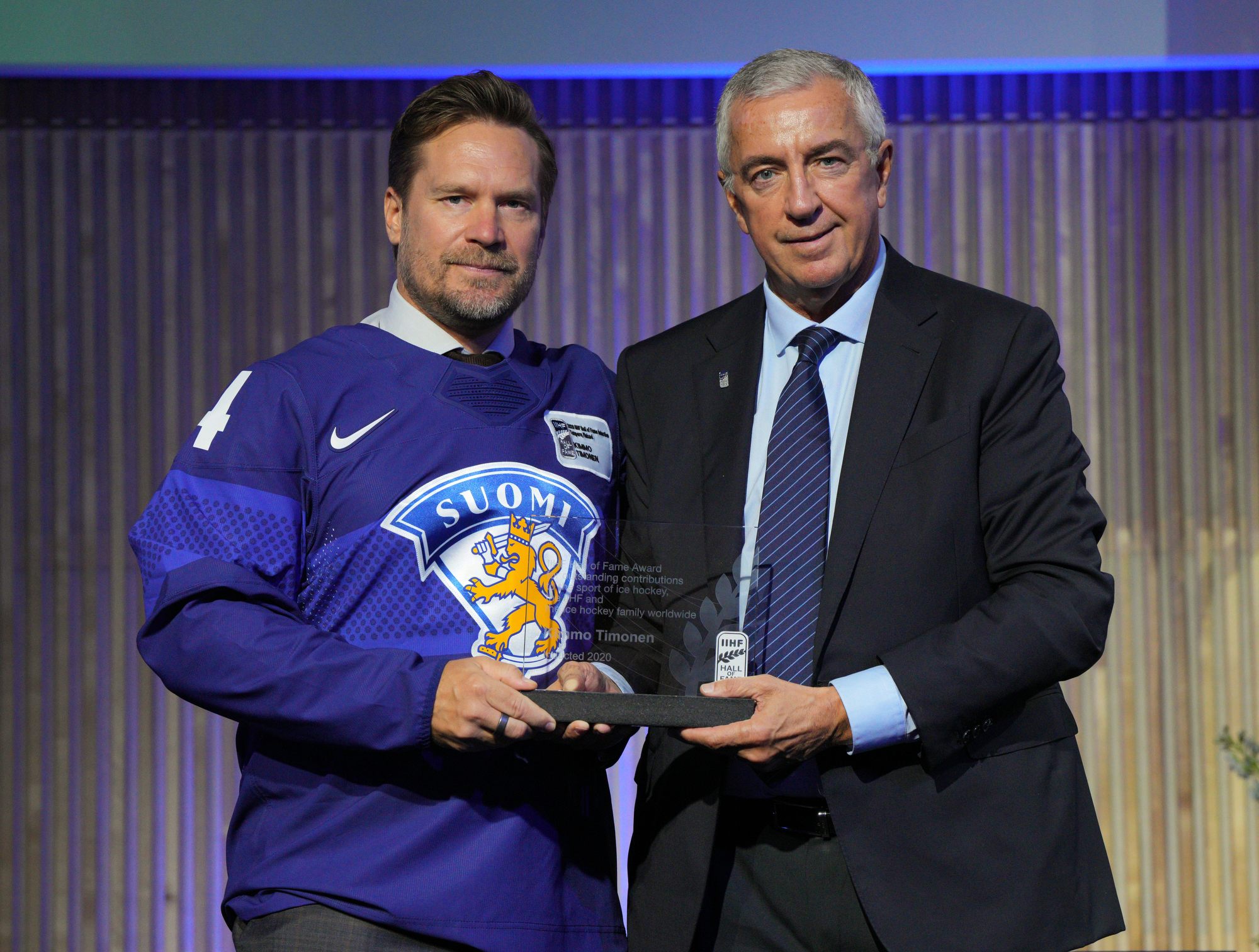 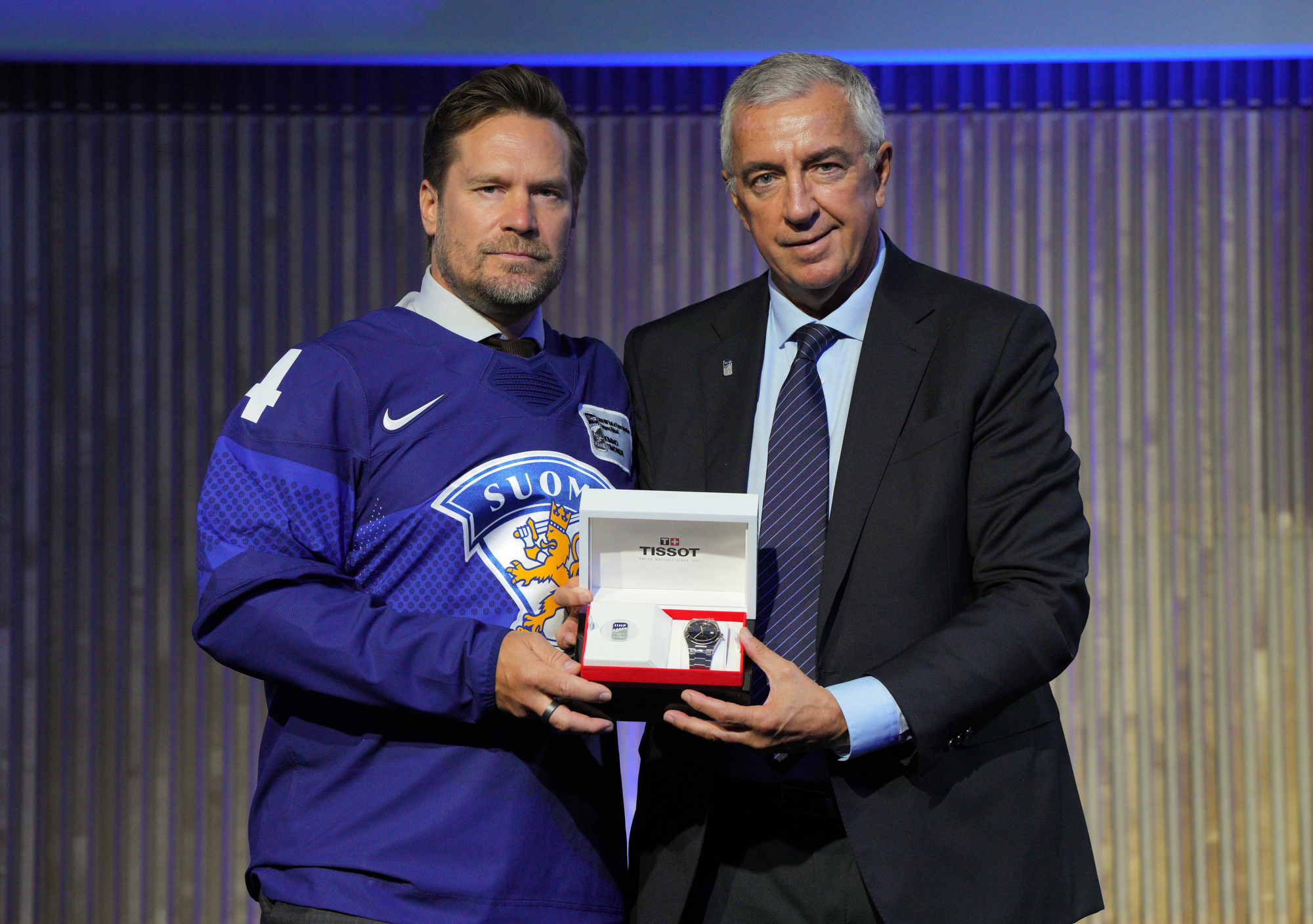 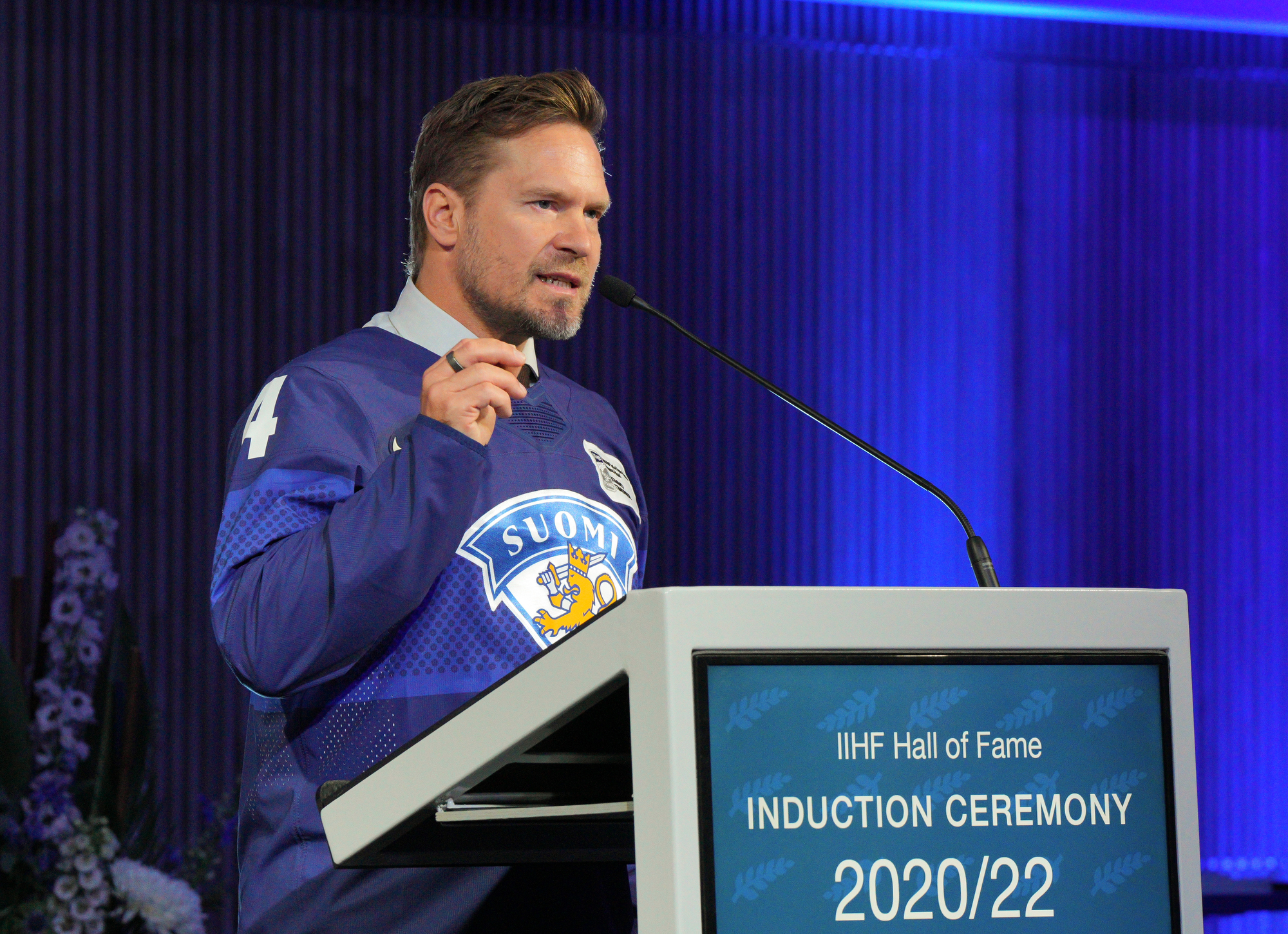 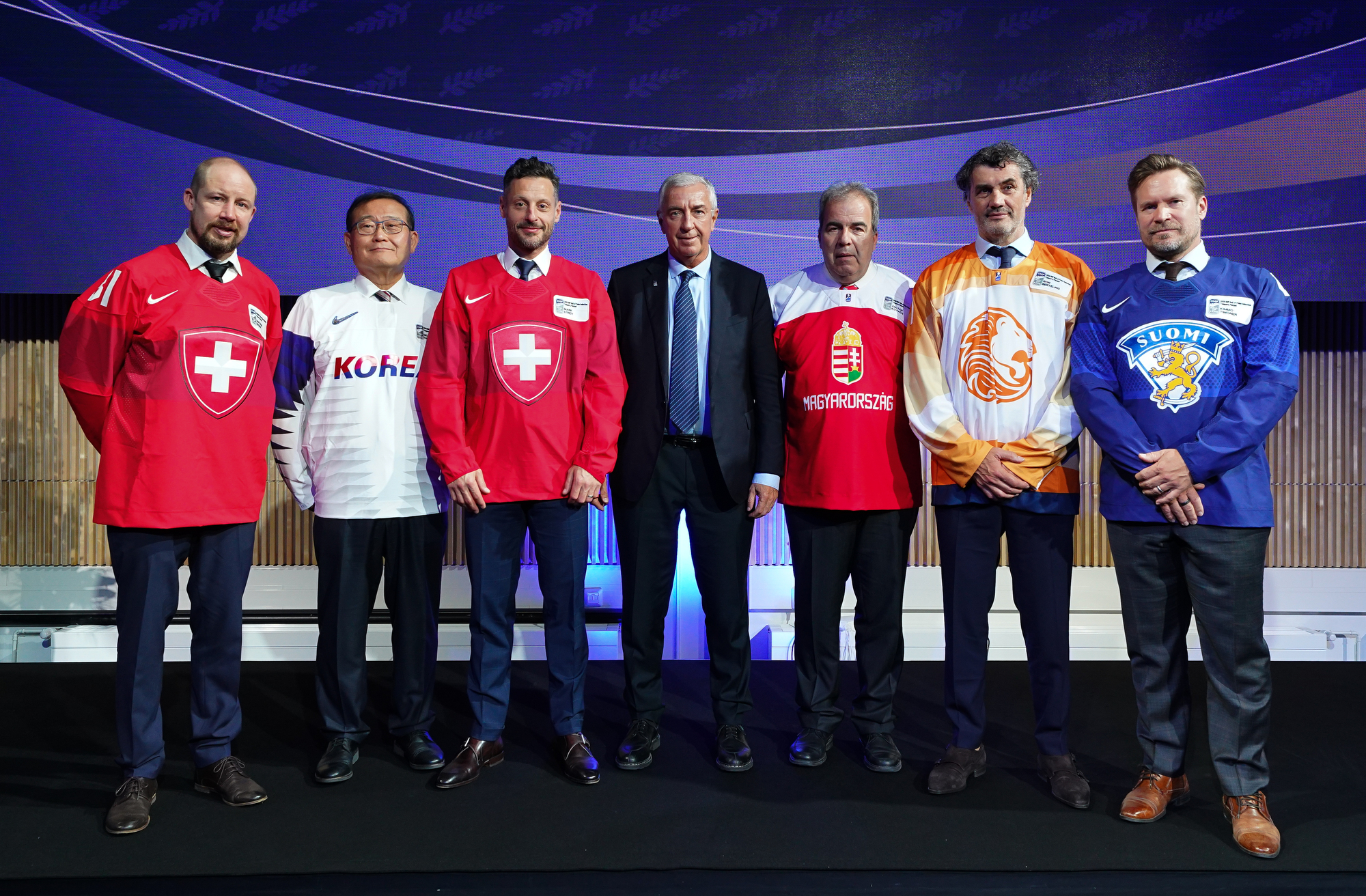 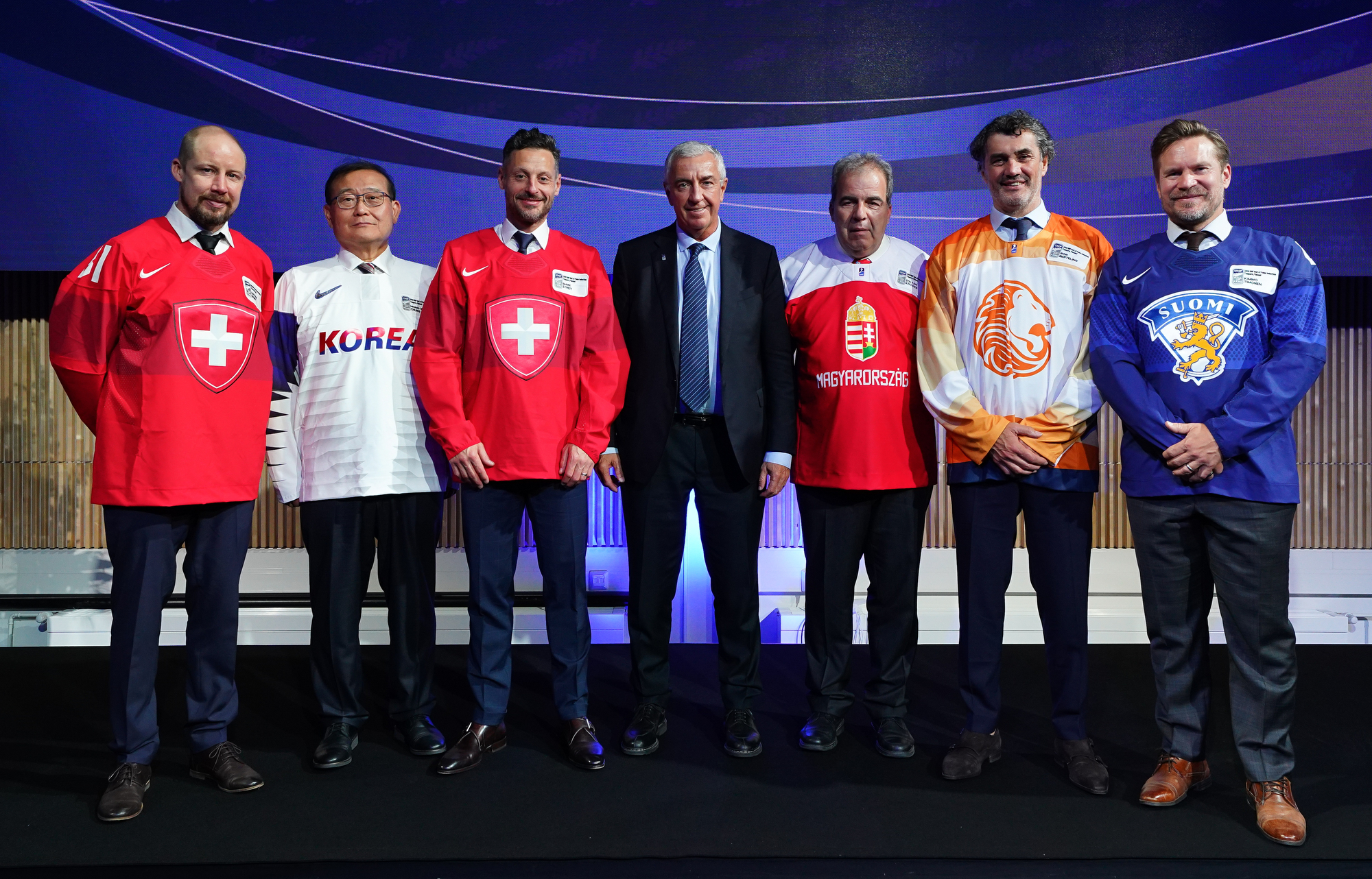 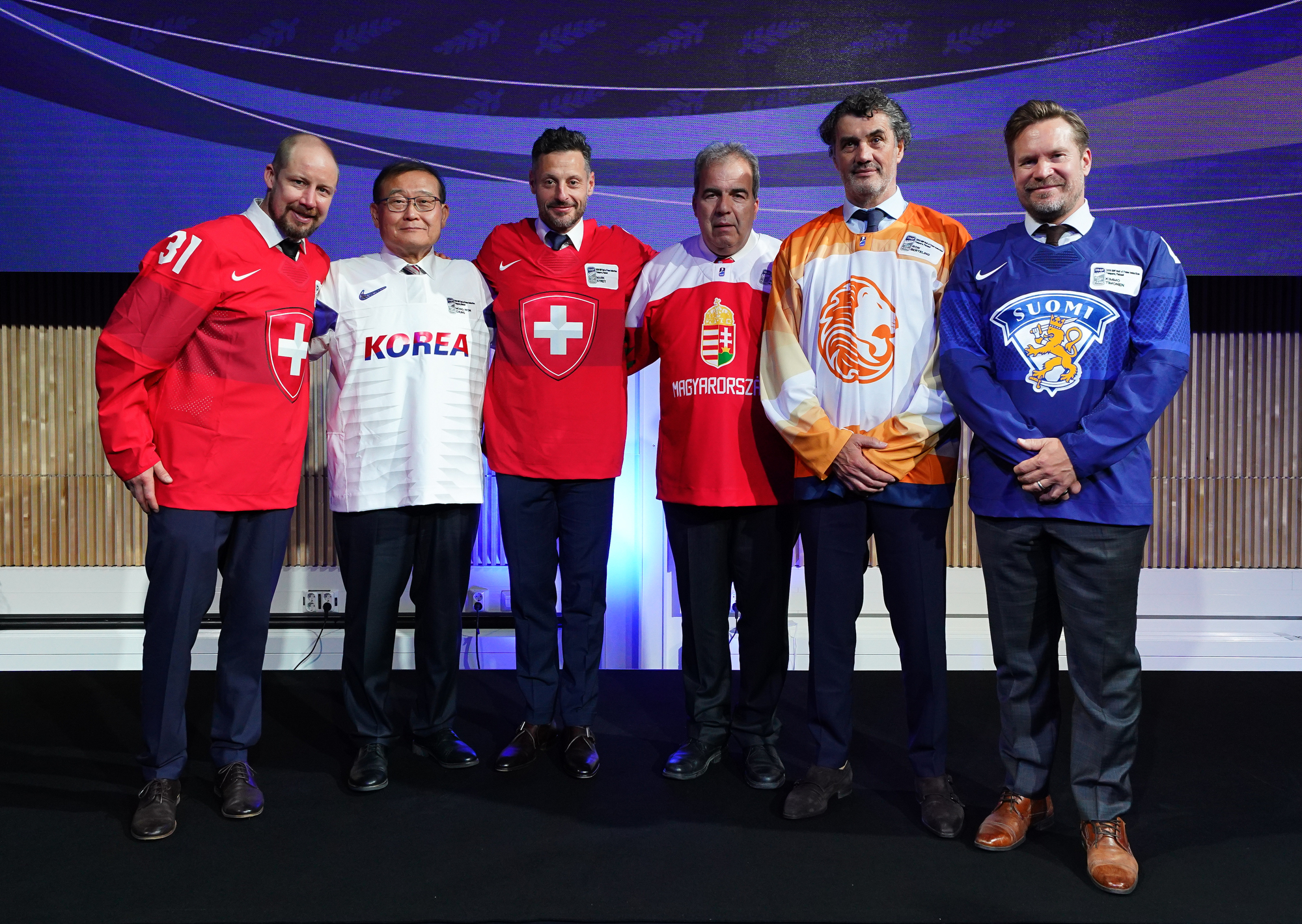 1 OF
World Men
share
Related articles
World Men
Worlds in Finland a success on and off the ice
Finnish Ice Hockey Association reports profit of €13.9 million
12 NOV 2022
World Men
Timonen: “What a special day!”
IIHF Hall of Fame inductee celebrates Finnish success
04 JUN 2022
World Men
Canada-Finland: History of a new rivalry
It took a while, but Finland has finally caught up
02 JUN 2022