In the opening game of Group A of the 2022 IIHF Ice Hockey U18 World Championship, the host Germans took leads of 1-0 and 2-1 but couldn’t handle the powerful Czech power play, which struck three times in the last half of the second period, powering Czechia to a 4-2 win. Leading the way were captain Jiri Kulich with two goals and 2005-born Eduard Sale with three assists.

“It was the first game of the tournament with a big crowd and the Germans played physically and got an outstanding performance from their goalie,” said Czech coach Jakub Petr. “But we just had to be patient and believe in ourselves and I’m proud of the boys because they kept going and eventually we won.”

Czechia outshot Germany 56-21 in the game, but Simon Wolf kept his team in the game with 52 saves, including 25 in the first period alone.

“Some of the shots were blocked by my teammates, which was good, and when I gave up some rebounds, my D-men were able to get to them before the Czech forwards,” said Wolf, who humbly turned away the credit the way he turned away shots. “They kept the front of the net clear so I wasn’t screened, and most of the shots came from the outside.”

It seems that Germans always know how to have fun at a hockey game and that was certainly the case in Landshut, where the passionate local fans welcomed the host team. The sizable and vocal contingent of travelling Czech fans only added to the atmosphere.

On the crowd of 2910, forward Luca Hauf said: “It’s a dream to play in front of so many fans, especially here in Germany. The whole arena was behind us and it really pushed us.”

The Czechs held a wide edge in play throughout the first period and got several chances early, particularly Sale leading a dangerous rush and Simon Slavicek set up in a prime shooting location, but Wolf was equal to the task.

The Germans opened the scoring right off an attacking-zone faceoff in the seventh minute when Julian Lutz’s quick shot got through Jan Spunar’s pads and just sat in the crease, where captain Roman Kechter just had to tap it in.

The Czechs turned the pressure back on in the last five minutes of the period when Matej Prcik got a couple of great chances but couldn’t beat Wolf. The Czechs finally put the puck past the German goalie with 1:53 to play in the period but not legally. Wolf stopped Frantisek Nemec’s initial shot but the rebound popped up into the air where Nemec, driving to the net, punched the puck in the net with a closed fist. After a brief video review, it was indeed confirmed to be no goal.

“It’s one of the problems we have in all our age categories, not capitalizing on our chances,” said Petr. “For teams like Sweden, Finland, the US or Canada, it would have been 3- or 4-1 after the first period. But anyway, we had to be patient and stick with the plan and that’s what we did.”

With 35 seconds left in the opening frame, Czechia did finally tie it up. From his own end, defenceman Tomas Hamala found Slavicek with a great breakaway pass. Skating in alone, Slavicek tried to make a move to his backhand and the puck slid off his stick, but that move was enough to fool Wolf, who opened up the pads and the puck slid though.

Germany retook the lead off the rush five minutes into the second period. Moritz Elias carried the puck into the Czech zone and tried to chip it past a defender, but it went off a stick and found Hauf, who quickly shot. Spunar, who was still following Elias, was slow to react.

“First of all, we got a good breakout to the half-wall,” Hauf described. “I got the pass in the middle, I kicked it right to my winger (Elias) and he made a good move to the middle and I got a lucky bounce. I just shot it and it went in the net.”

However, the Germans ran into penalty trouble in the latter half of the second period and the Czechs made them pay with three power-play goals on four attempts.

It took just six seconds after Lutz was called for tripping at 30:55 for Czechia to tie it back up. Sale made a perfect pass into Kulich’s wheelhouse for the one-time slapper from the top of the circle, which beat Wolf to the glove side.

“On his first goal, the one-timer, I saw the pass and I decided to slide on it,” Wolf described. “I was screened a bit so I didn’t see the start of the shot, so it was hard to get my glove on it.”

After the Germans killed off the next penalty, the Czechs took their first lead of the game by connecting on their third attempt with 3:15 to go in the middle frame. Sale and Dominik Petr played pitch and catch down low before Sale found Adam Bares, who was open in the slot. Then Kulich’s second of the game with 30 seconds to go send the Czechs into the second intermission up by a pair. Again it was Sale and Petr down low, this time finding Kulich for another one-timer from the dot on the opposite side.

“We got three goals on the power play from the same unit, and we’re happy about that, but 5-on-5 we weren’t very successful,” said Petr. “There were some posts and the German goalie was good, but we’re going to have to be better in the upcoming games.”

Kulich got several great chances to complete his hat trick in the third period. On an early power play he nearly connected on another one-timer but Wolf made a great glove save. A few minutes later, stationed in front of the net, he re-directed a pass just wide of the post. And with just over five minutes to play, he was again robbed by Wolf when he was left alone in the slot.

But the Czechs didn’t need more offence. They needed defence and they got it as the Germans came with their best offensive push of the game. They appeared to get one with 47.8 seconds to go but Veit Oswald knocked the puck out of the air with a high stick, and that call was confirmed by video replay. 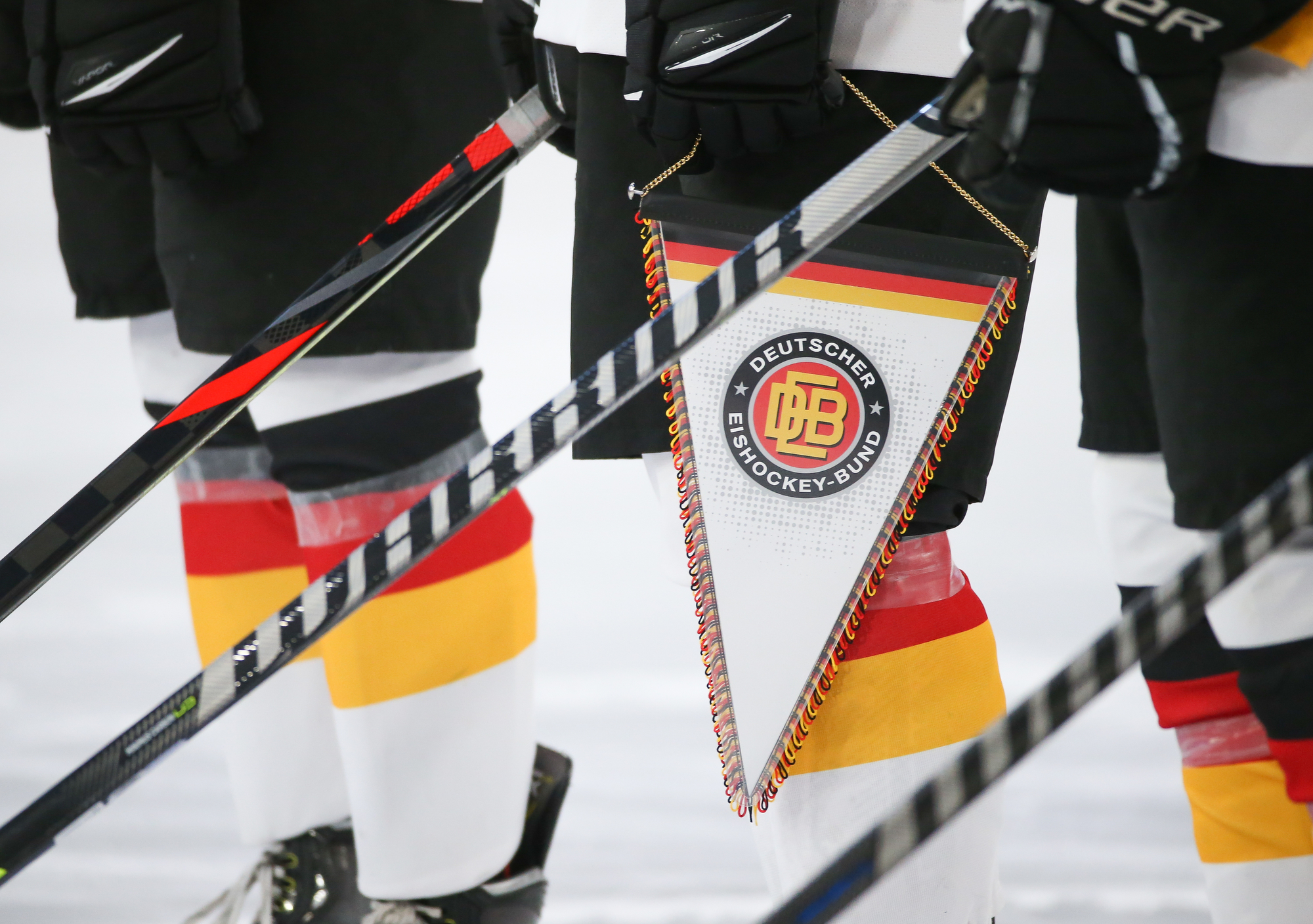 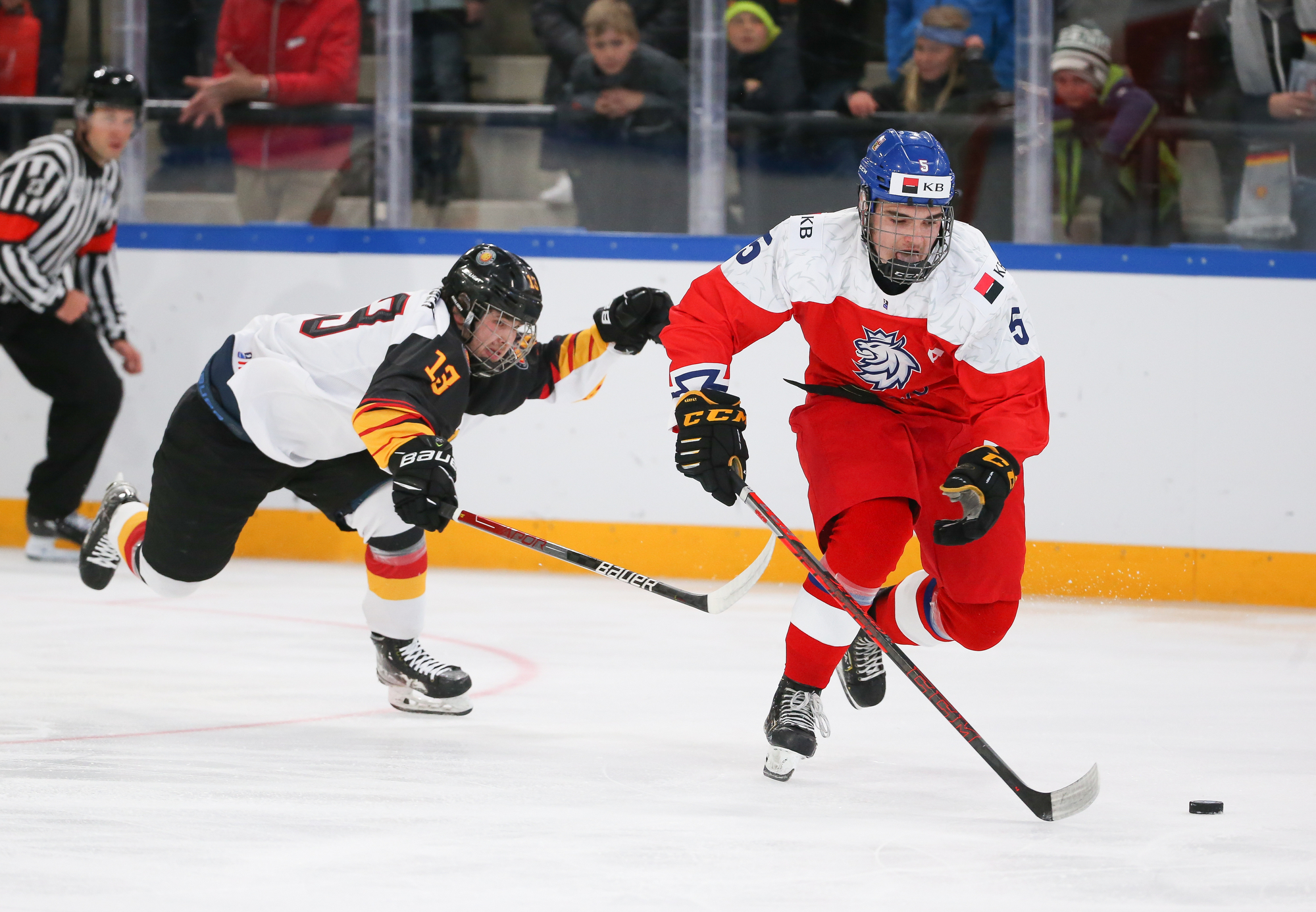 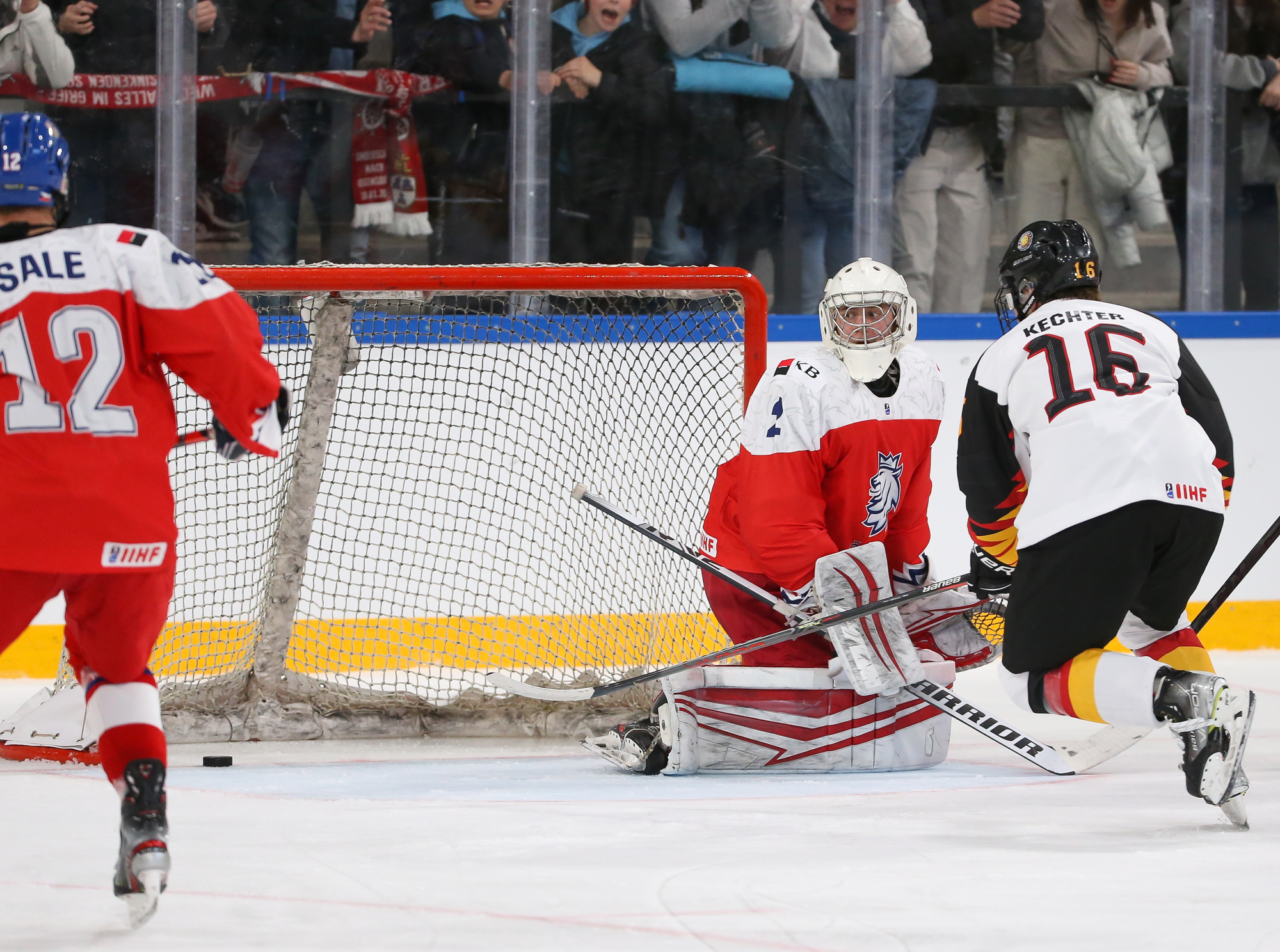 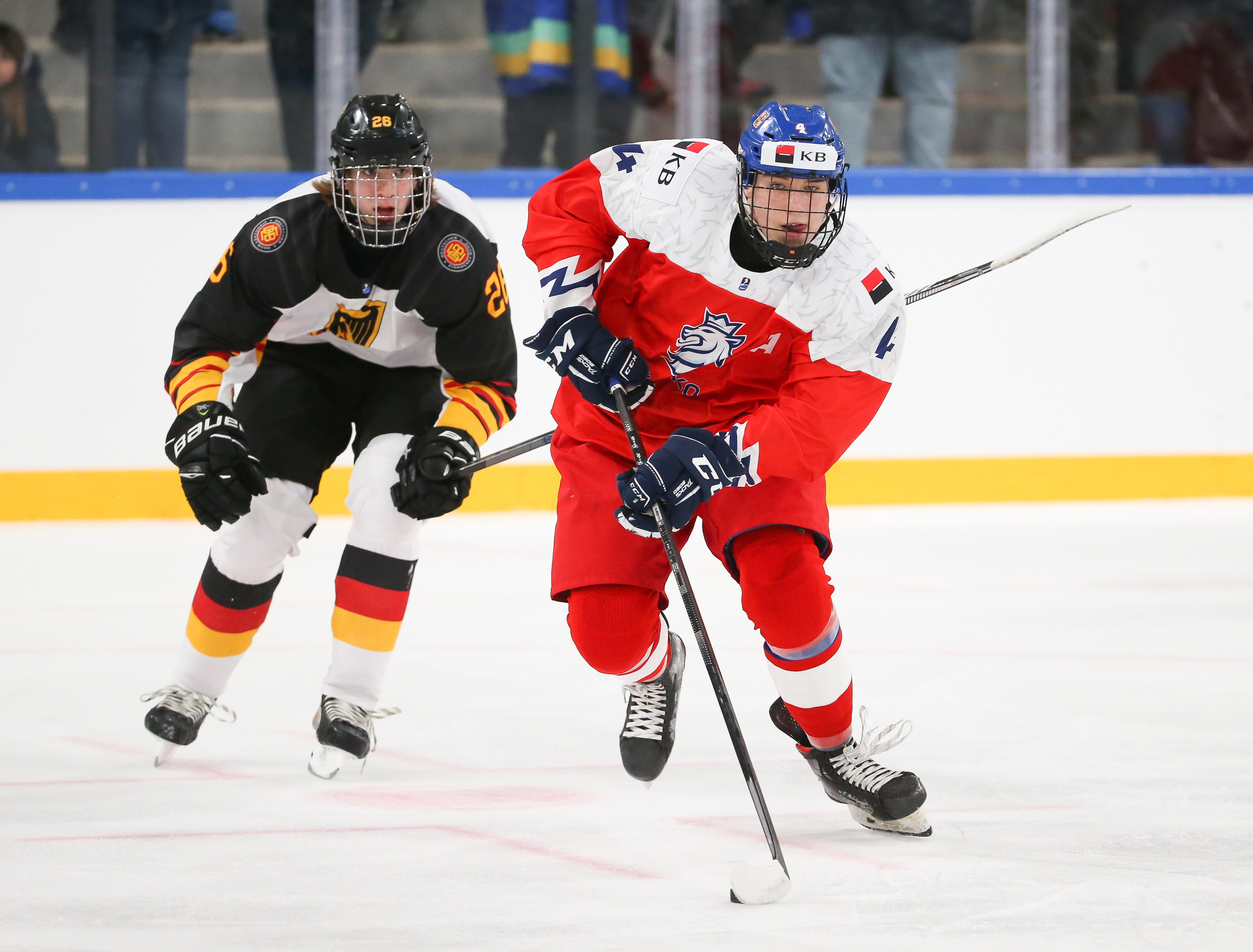 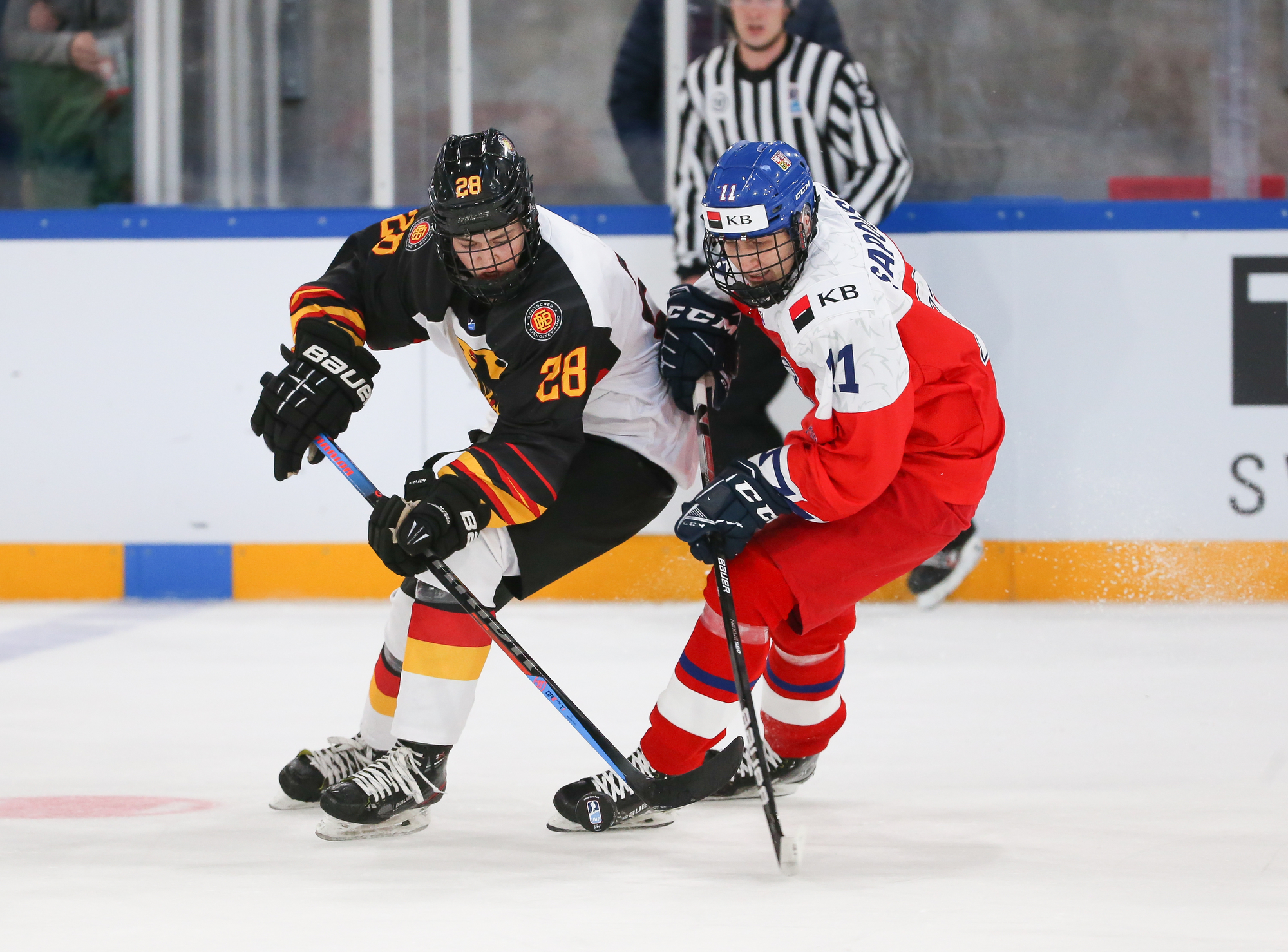 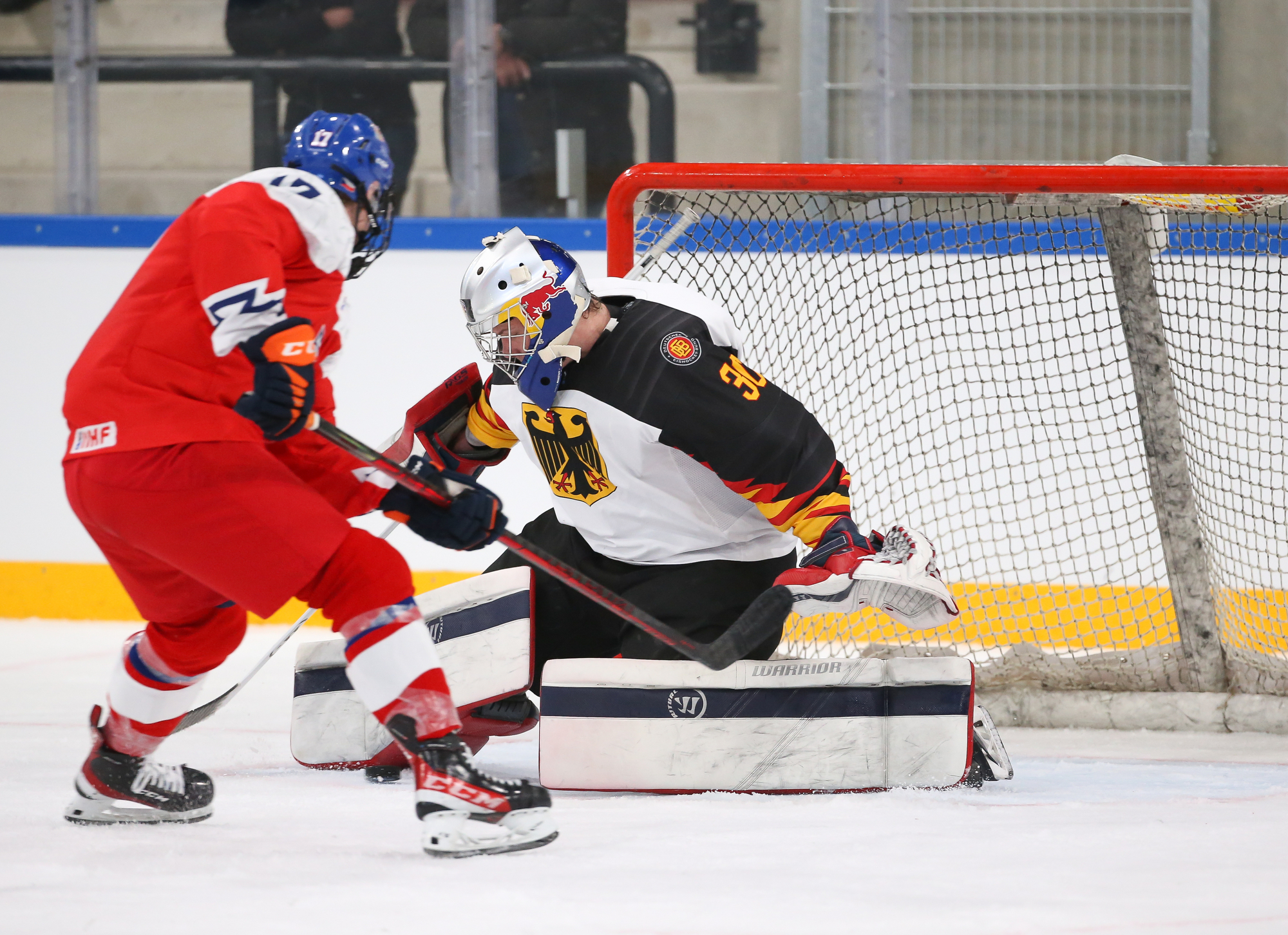 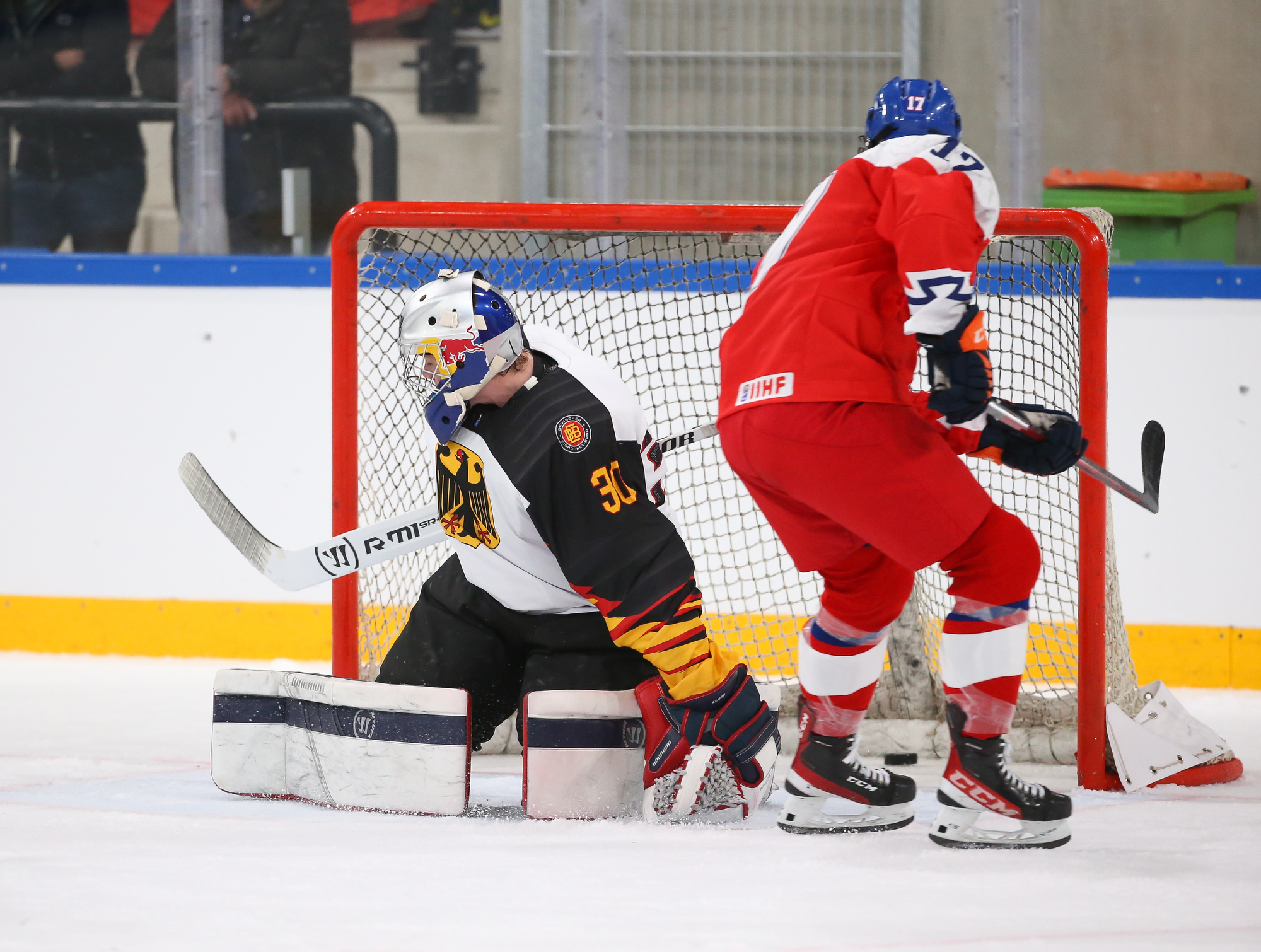 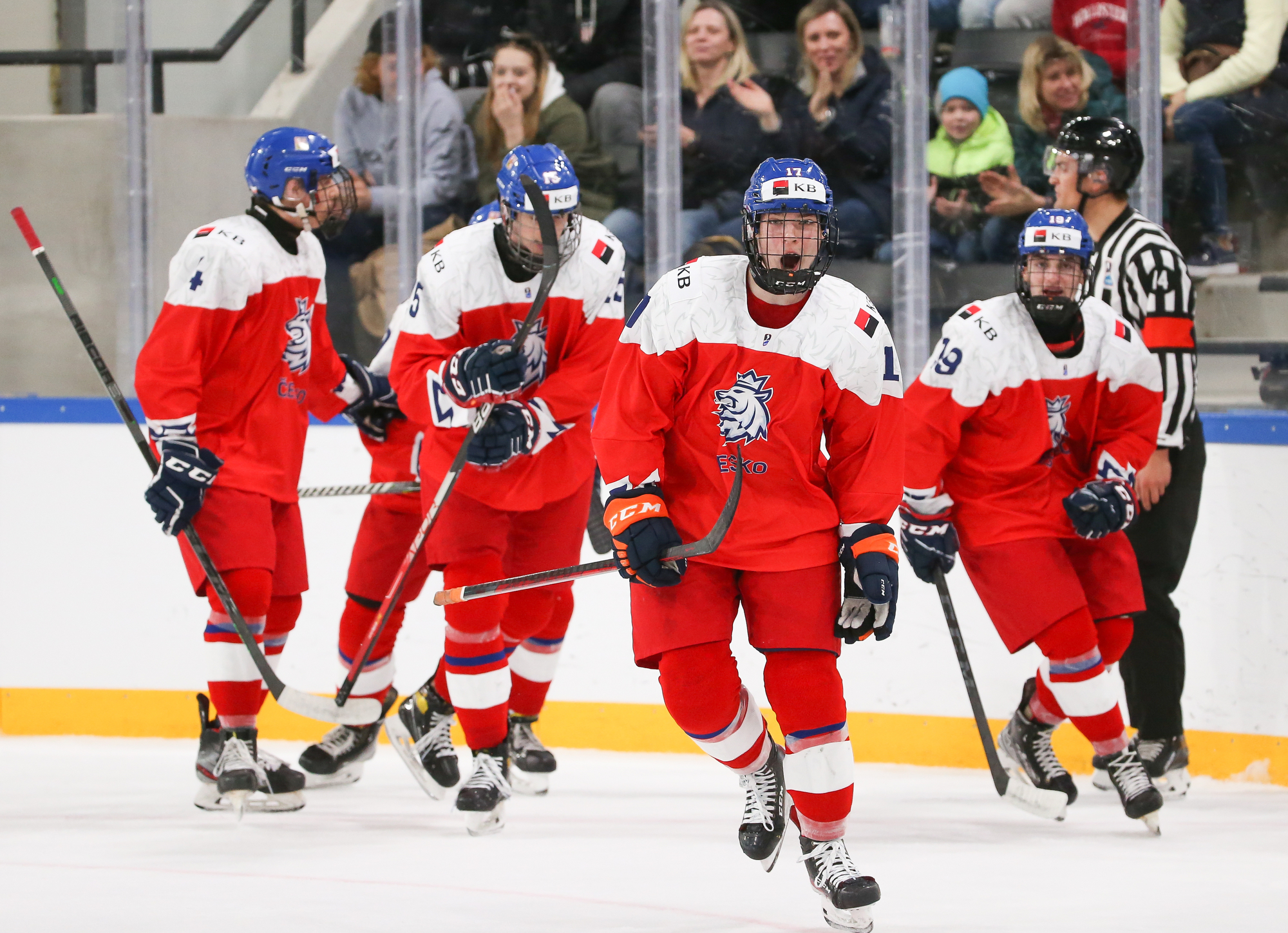 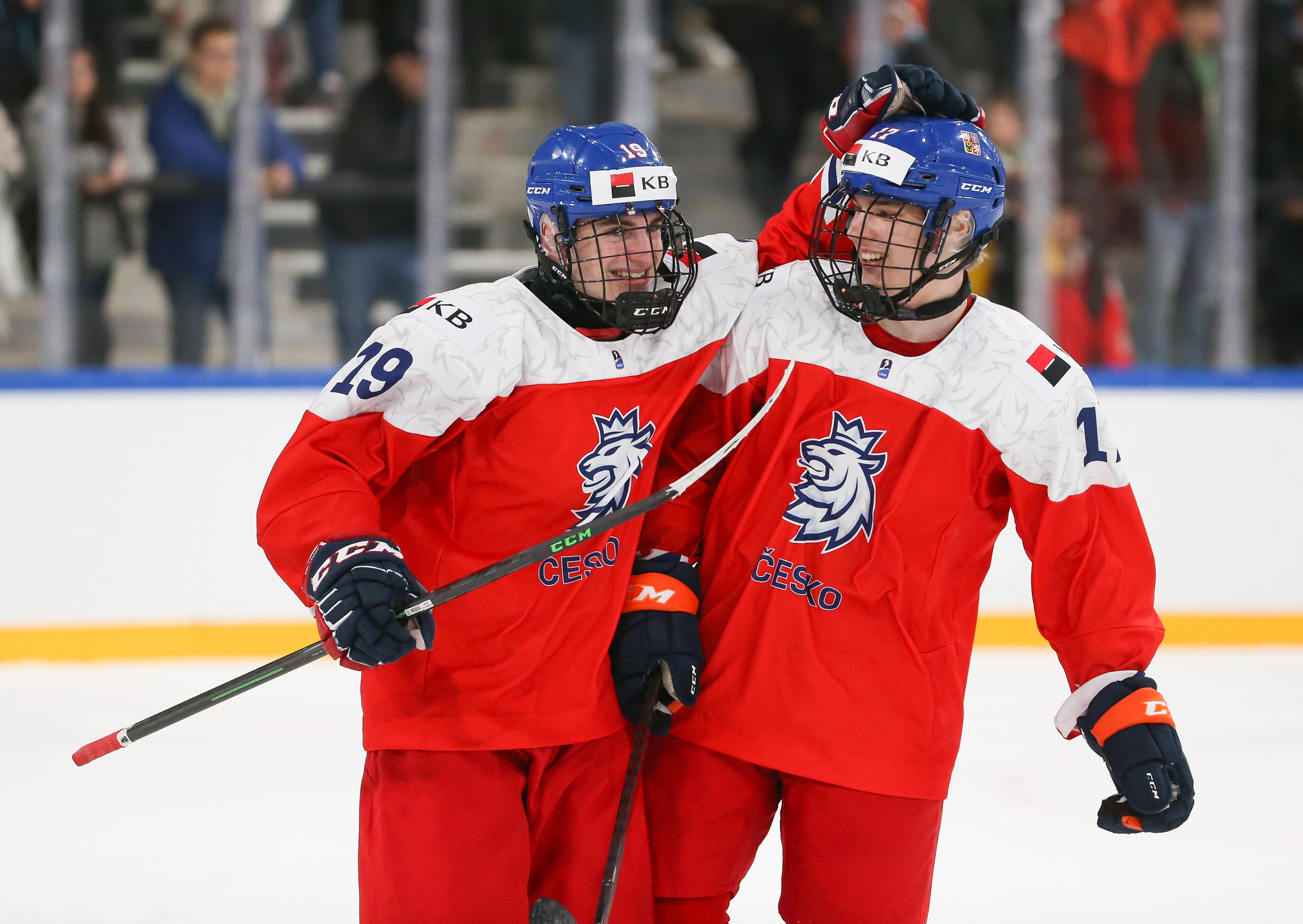 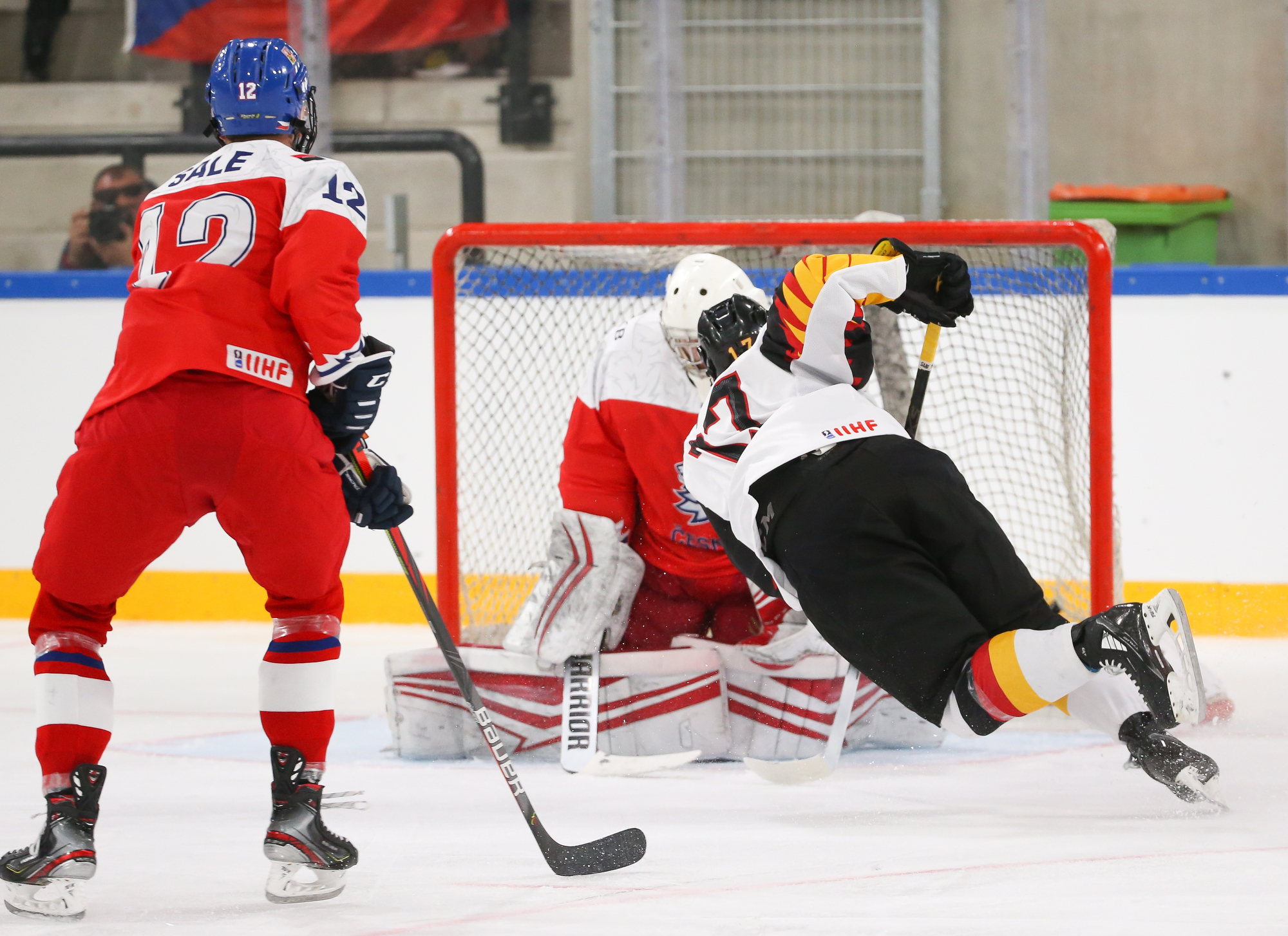 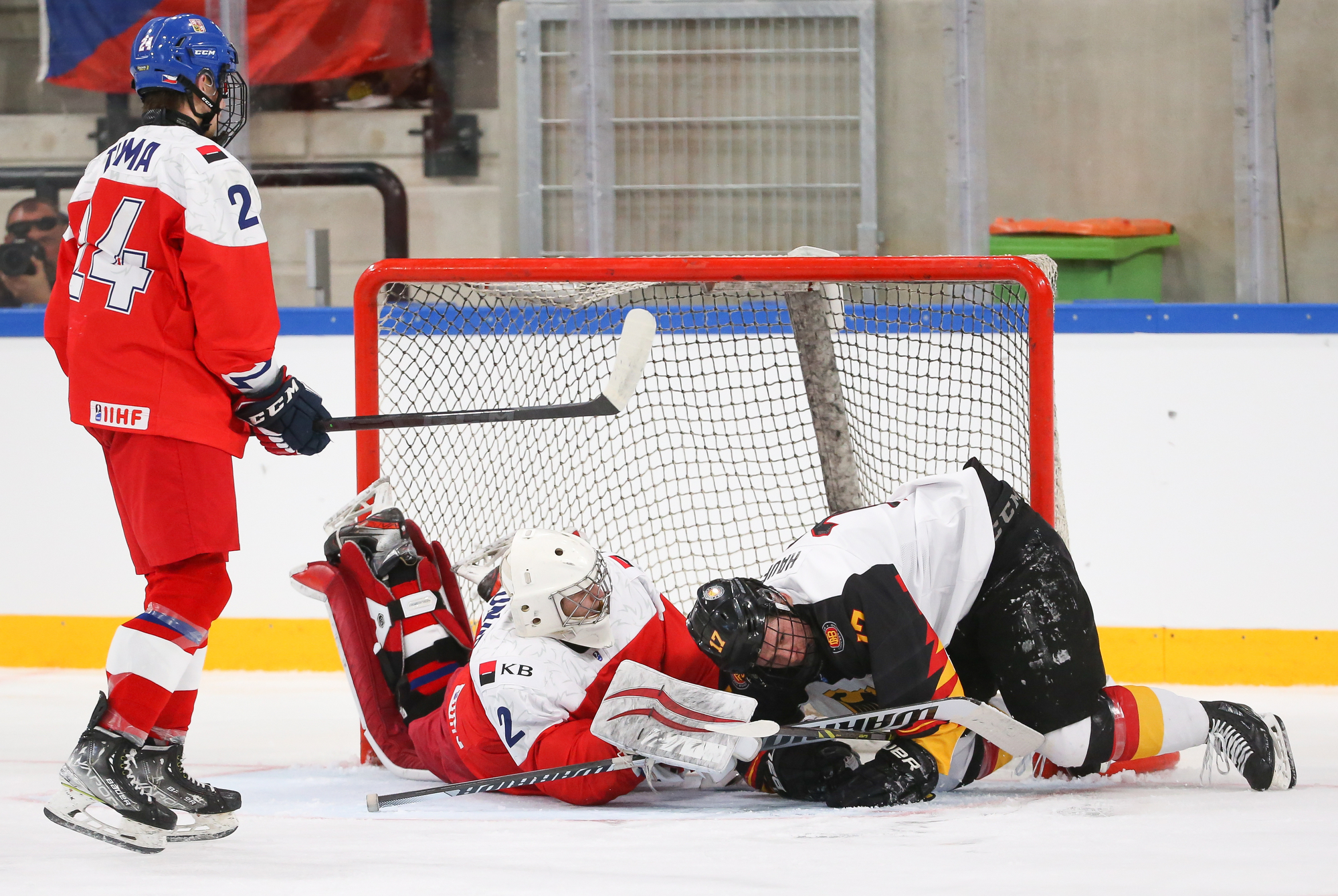 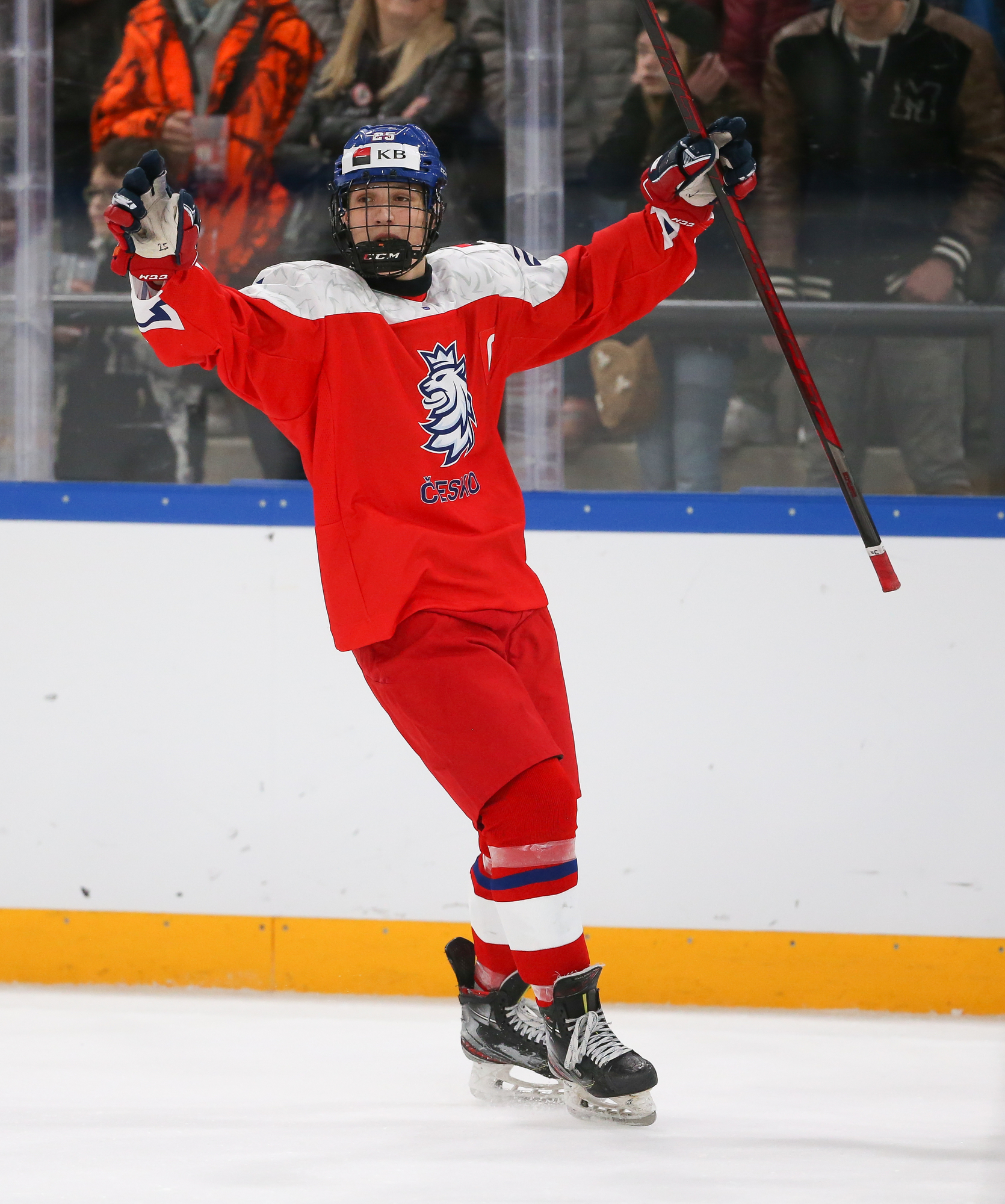 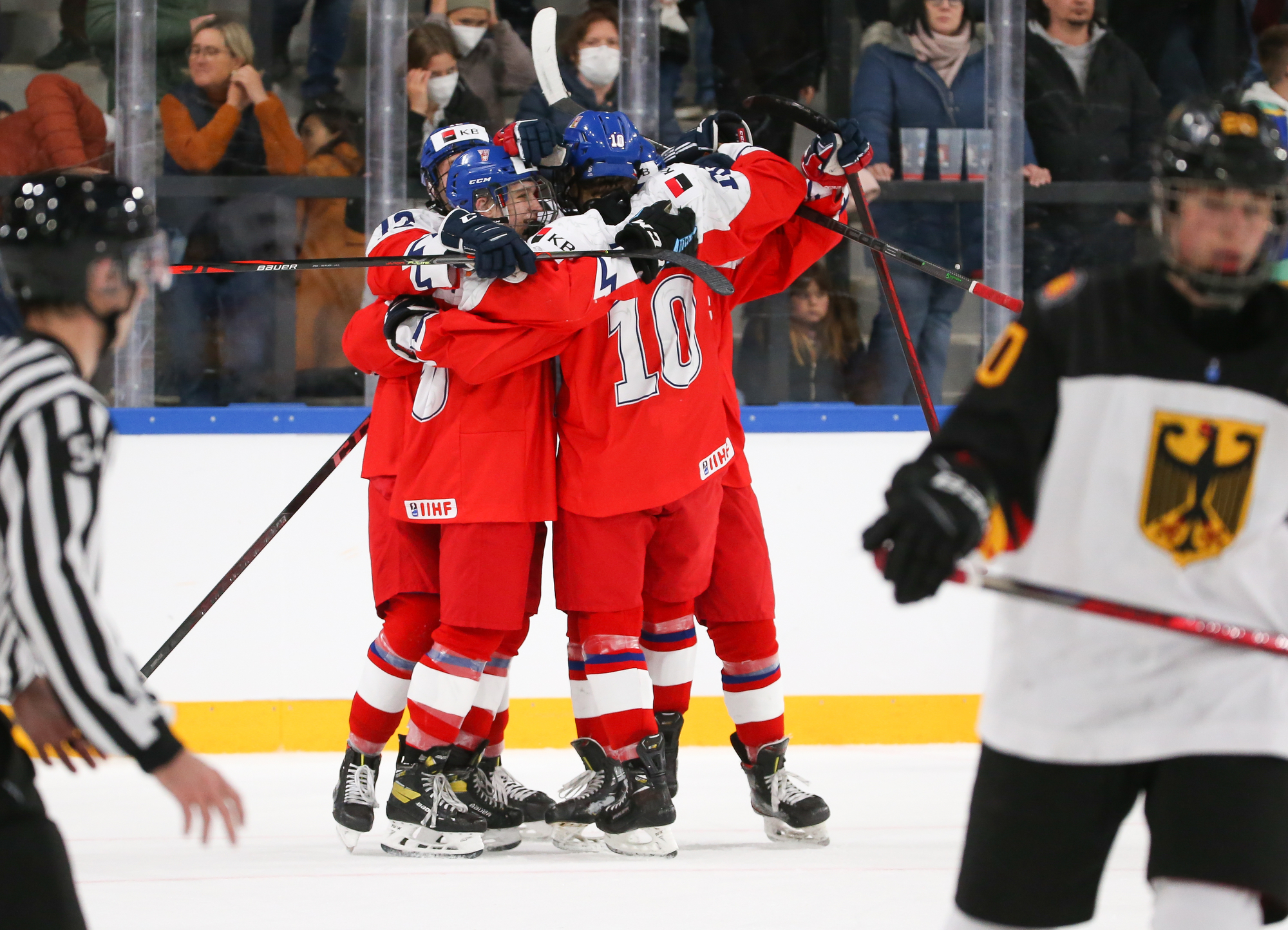 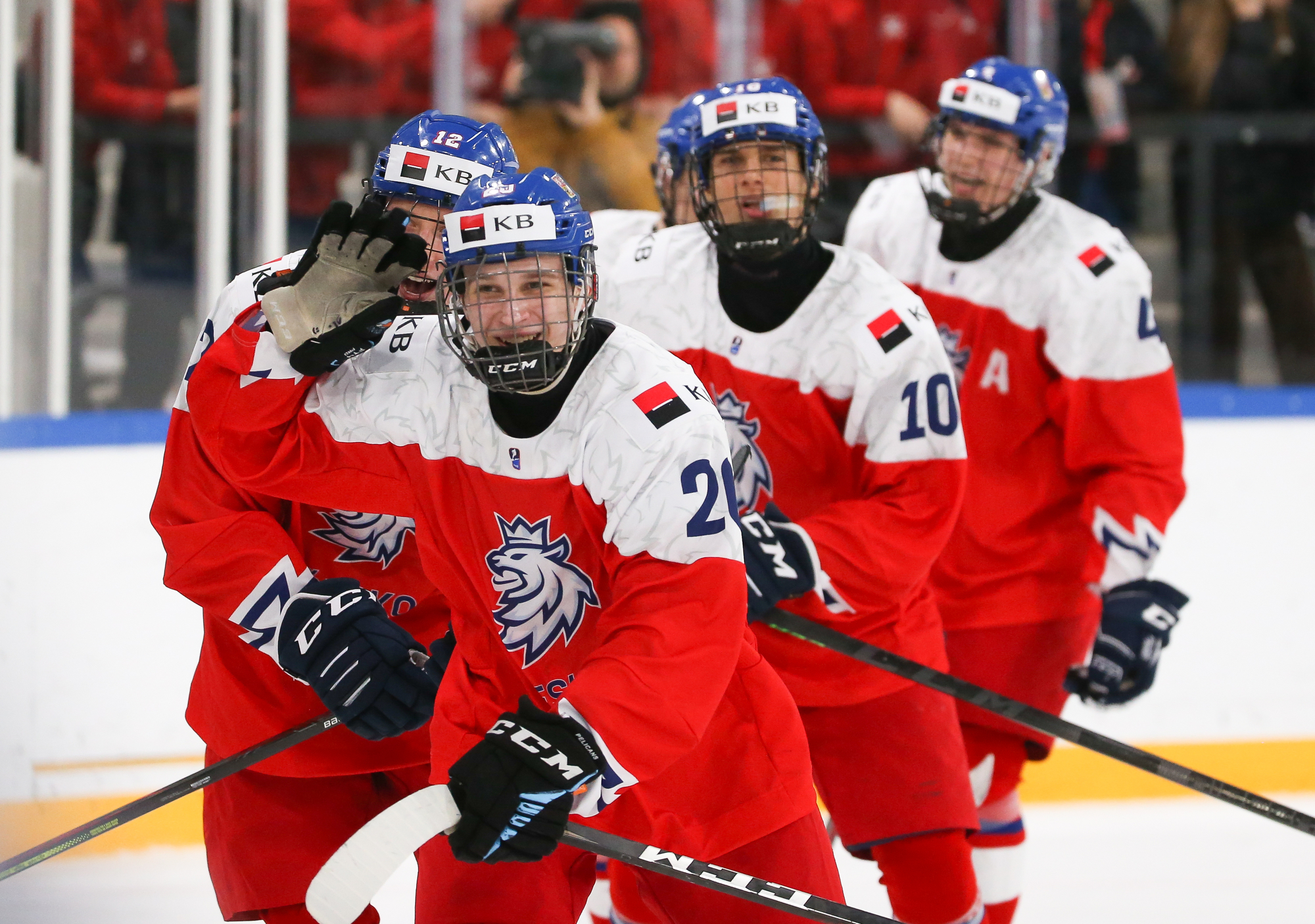 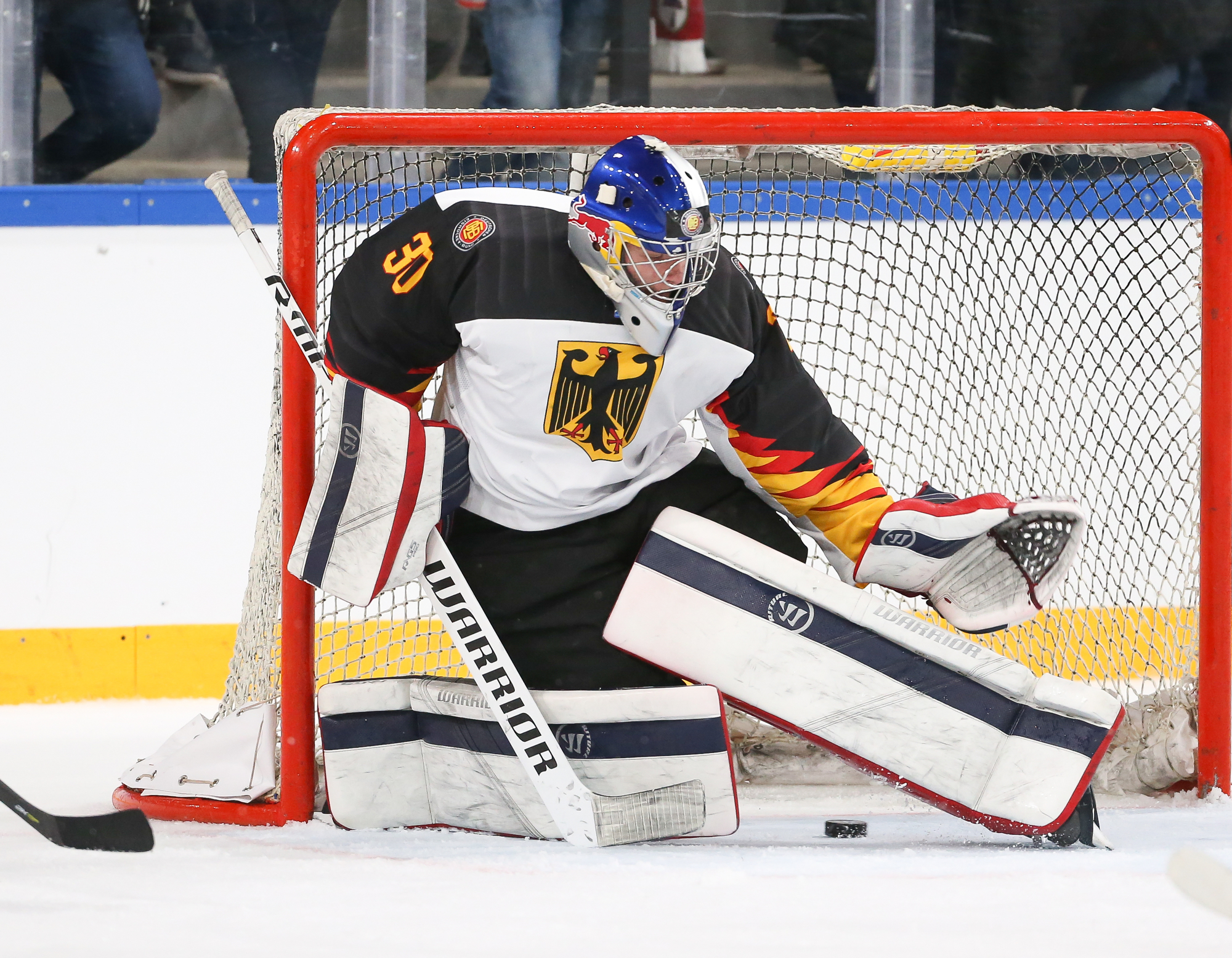 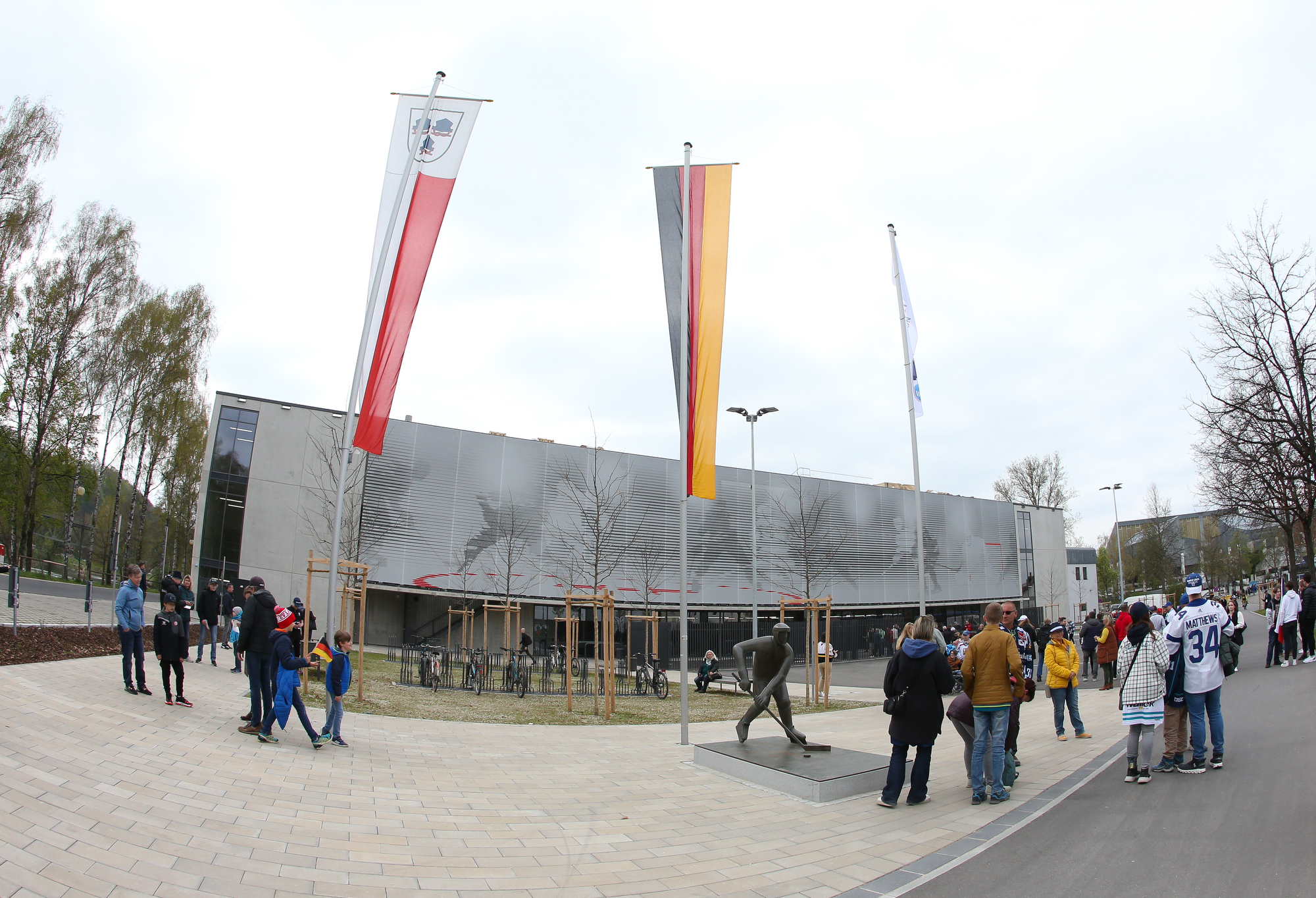 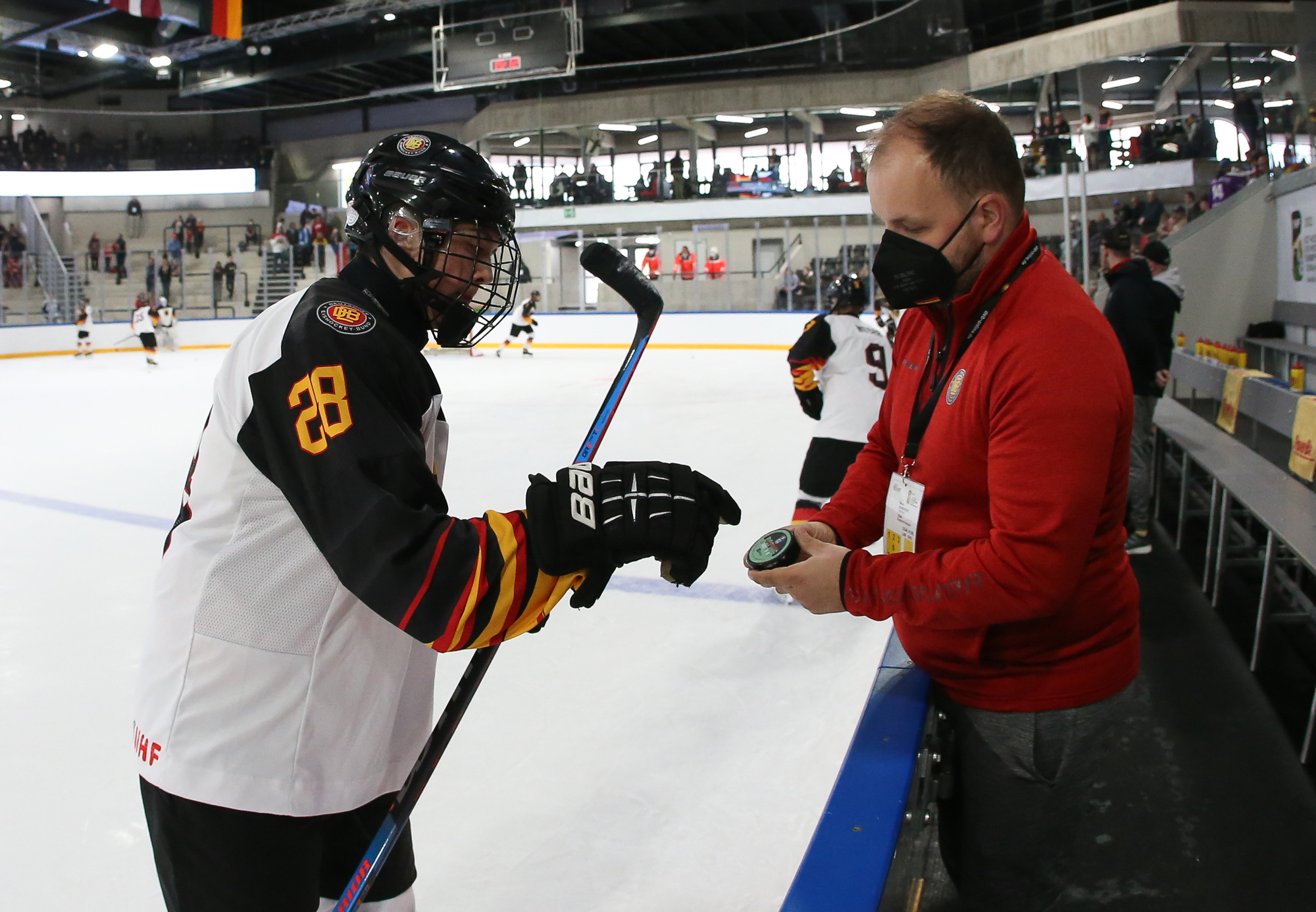 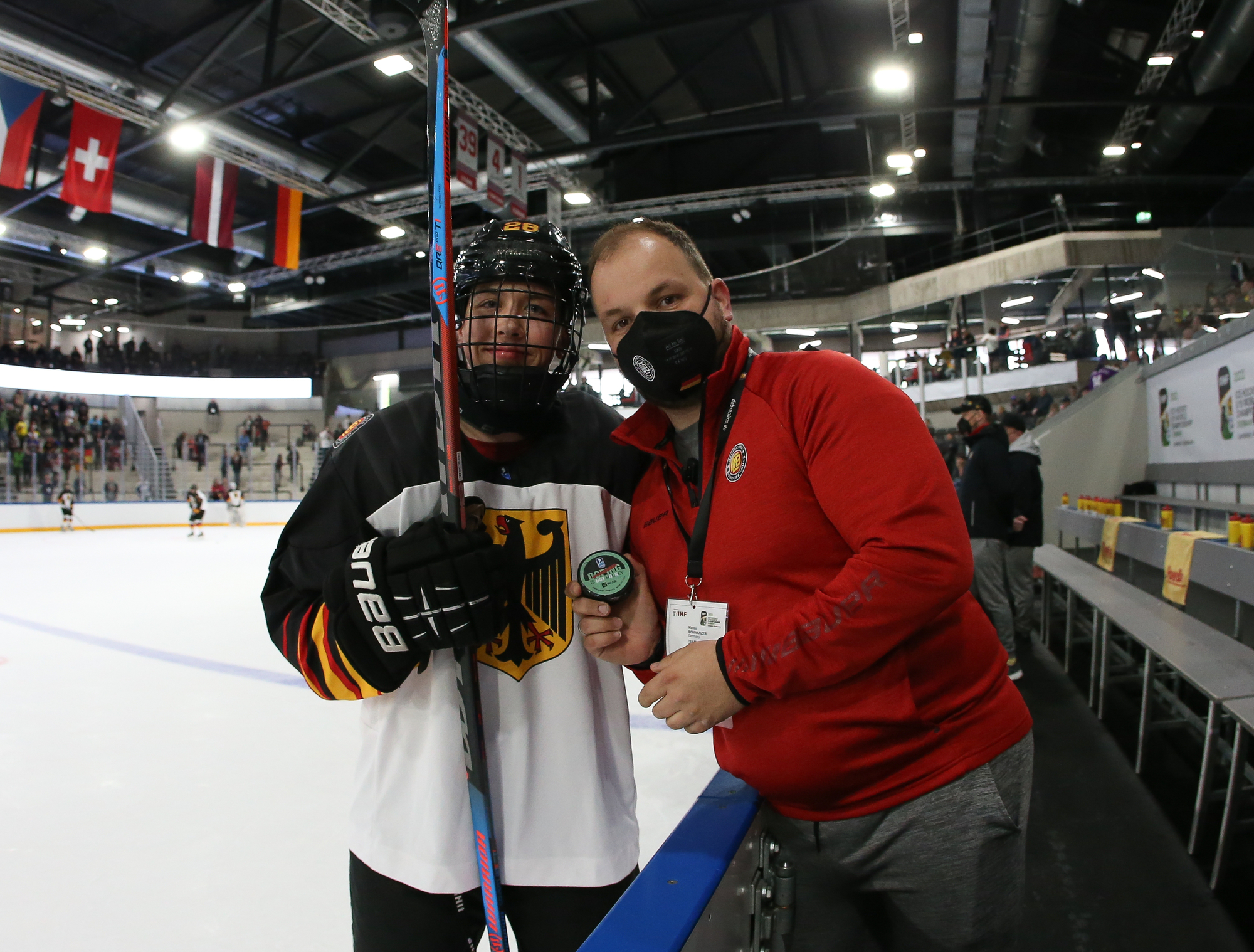 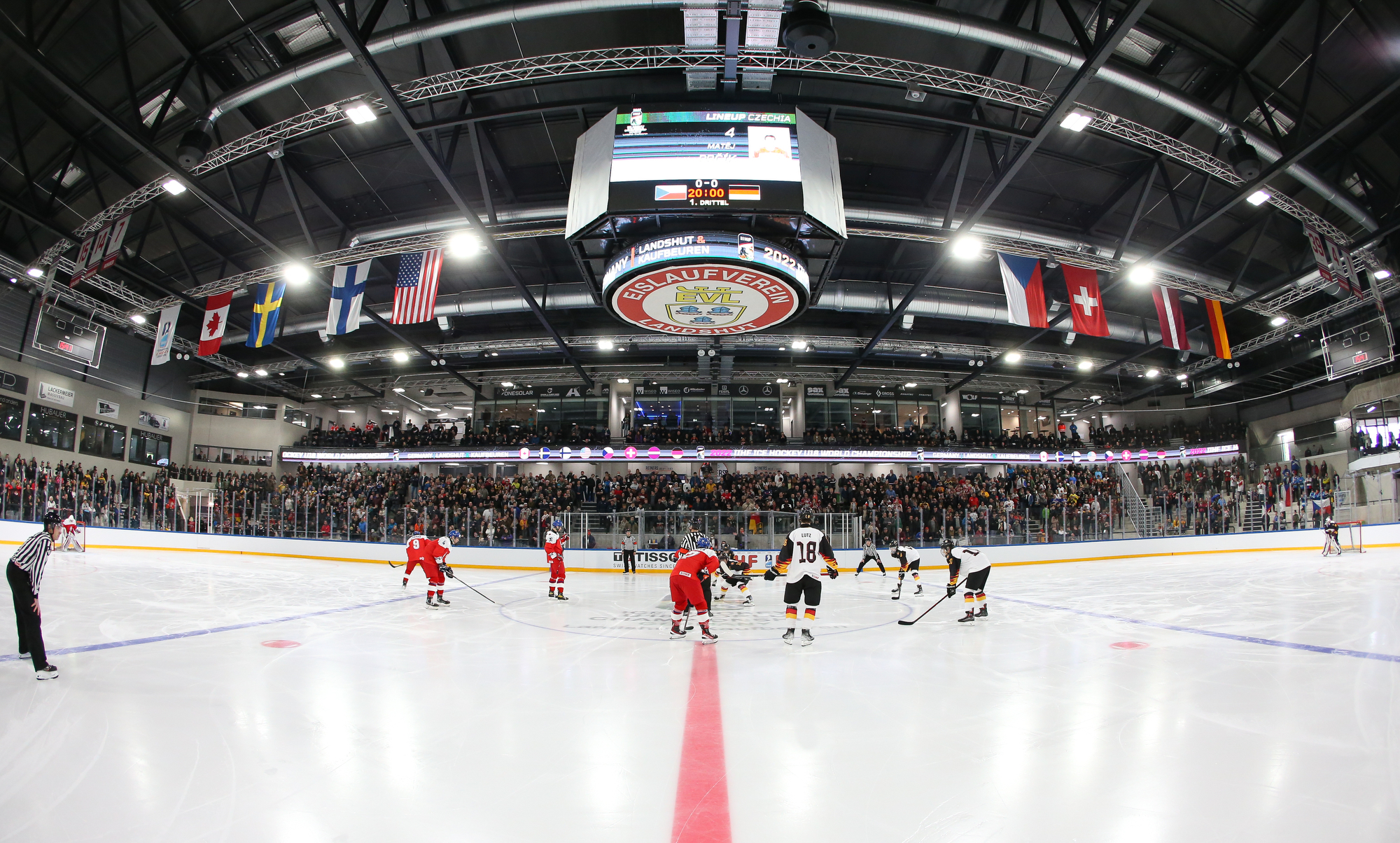 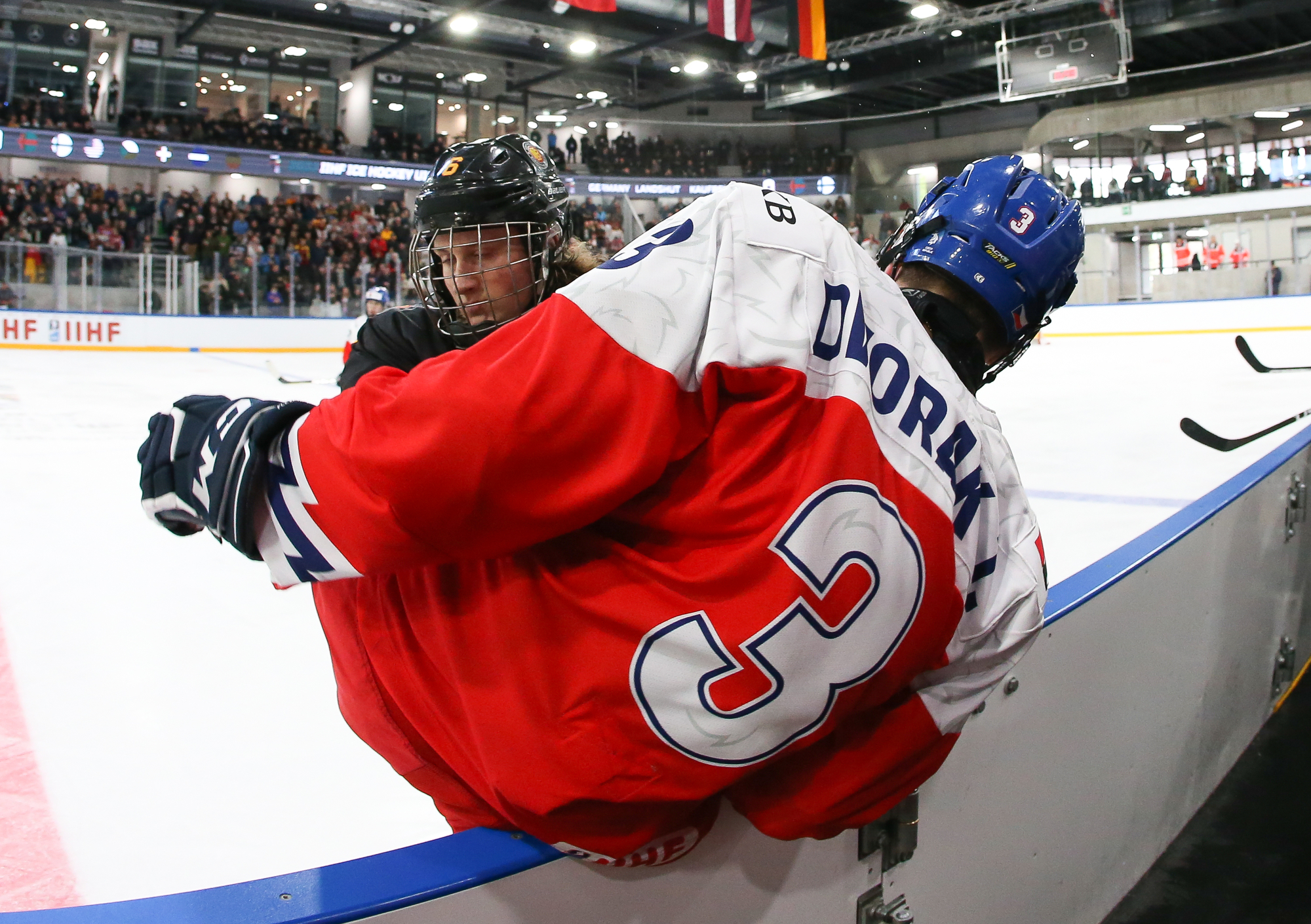 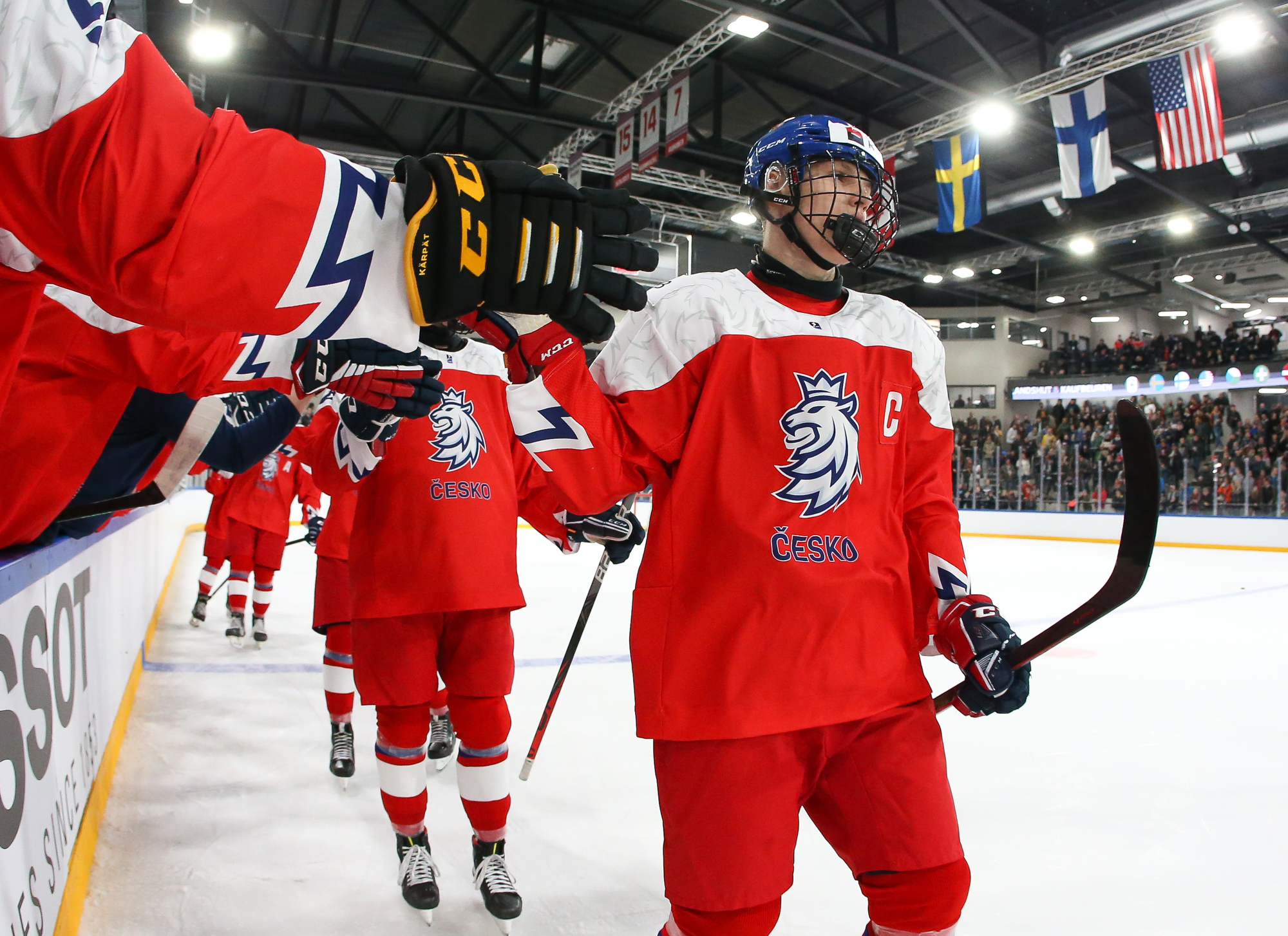 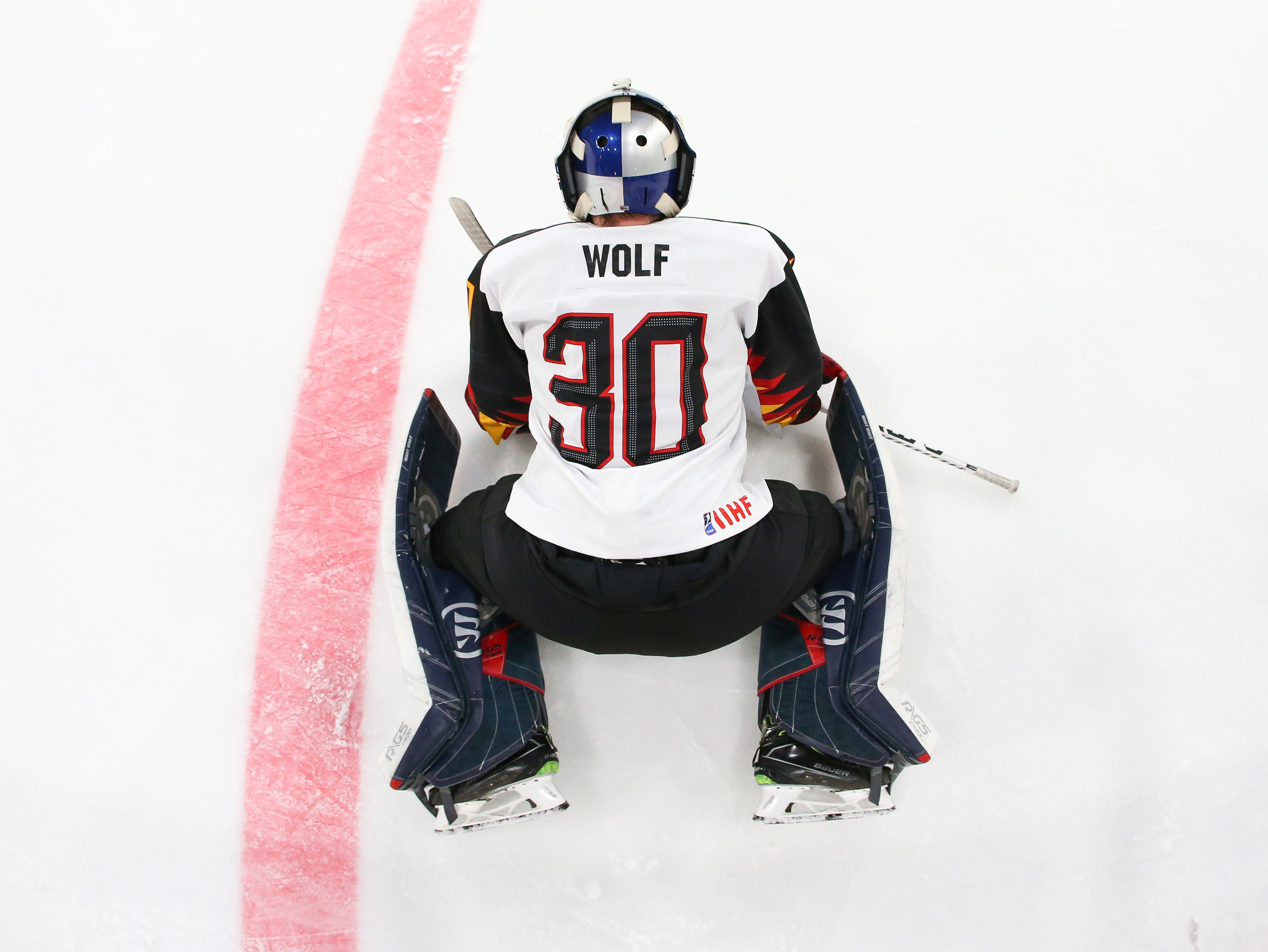 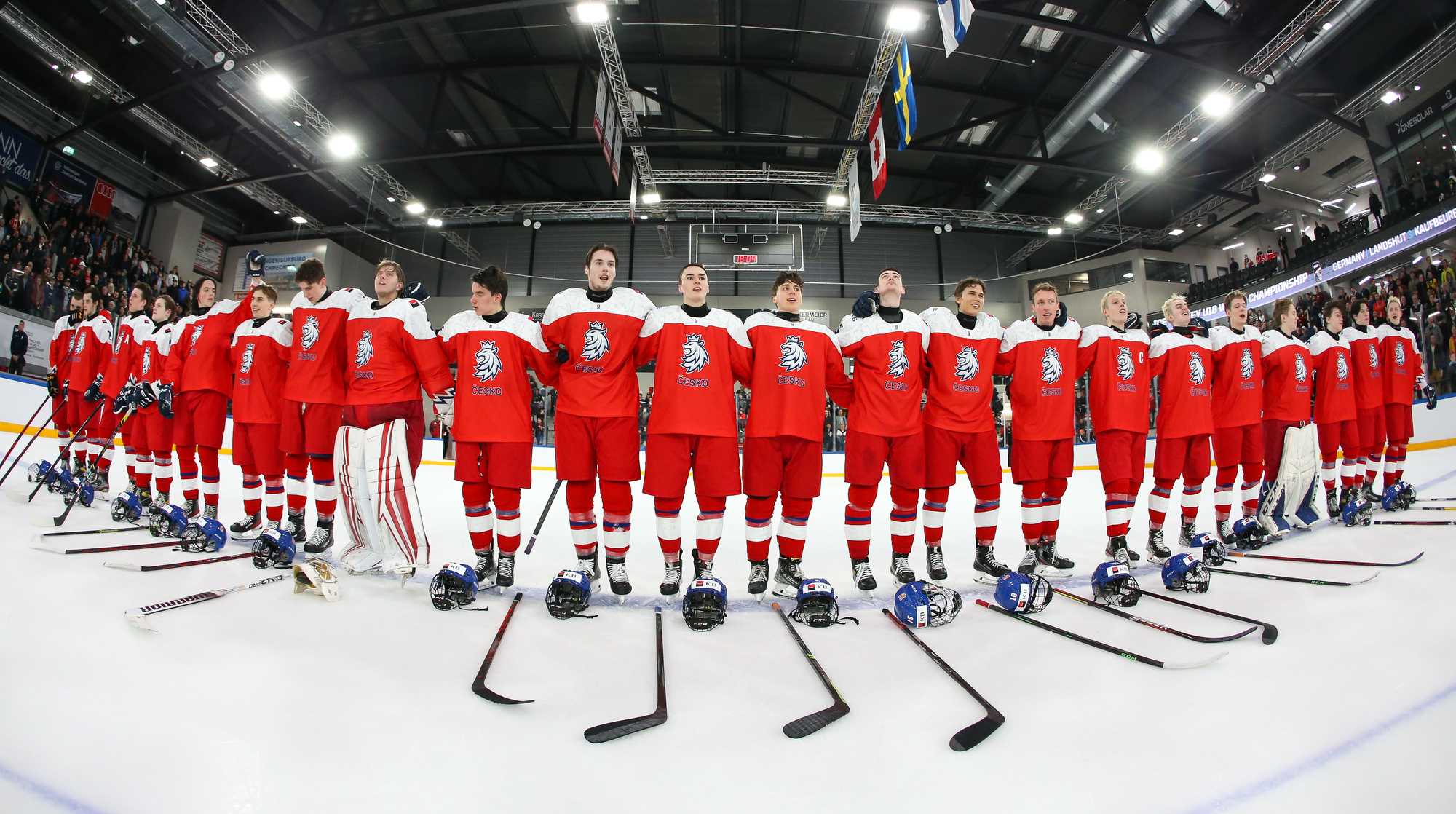 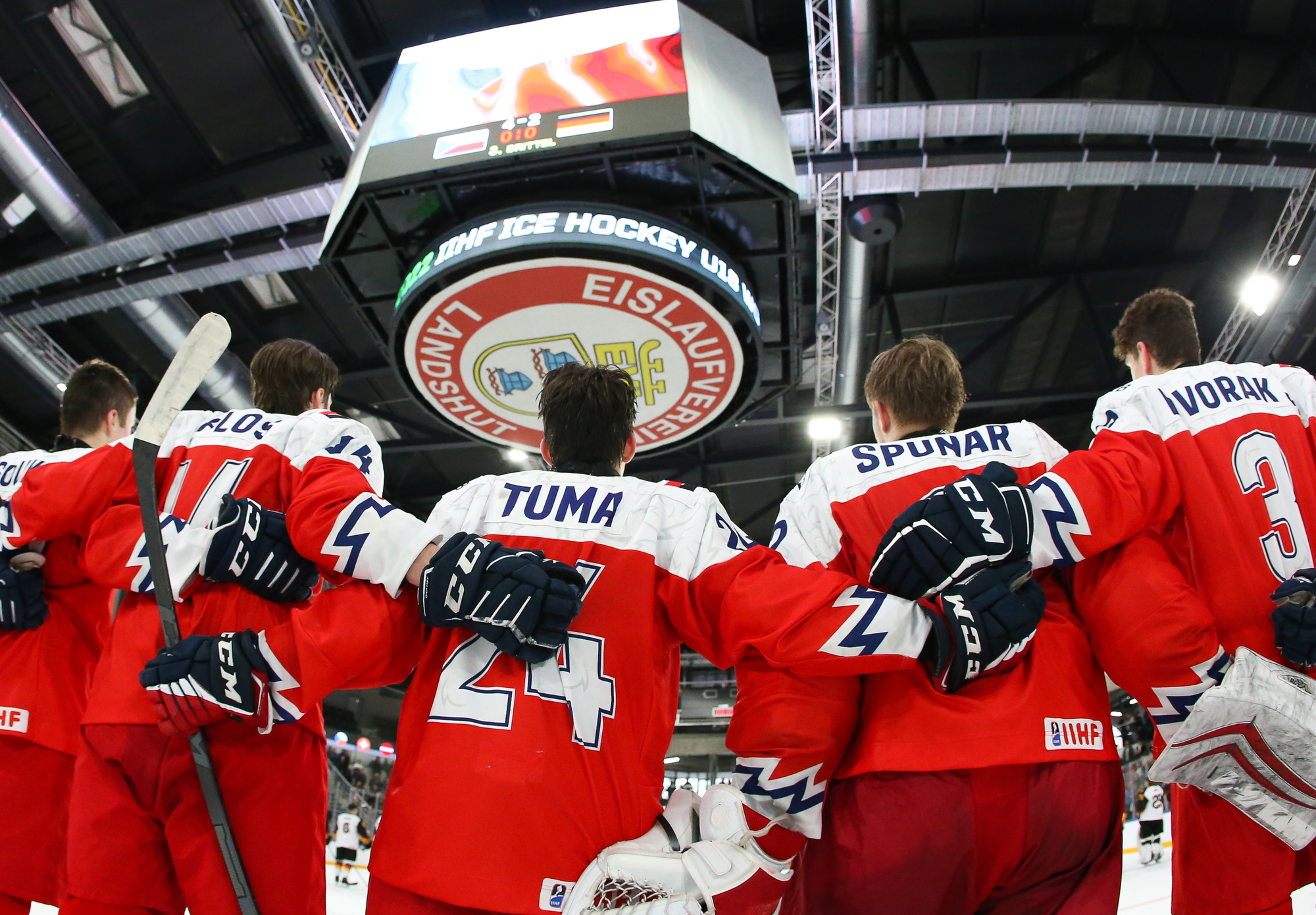 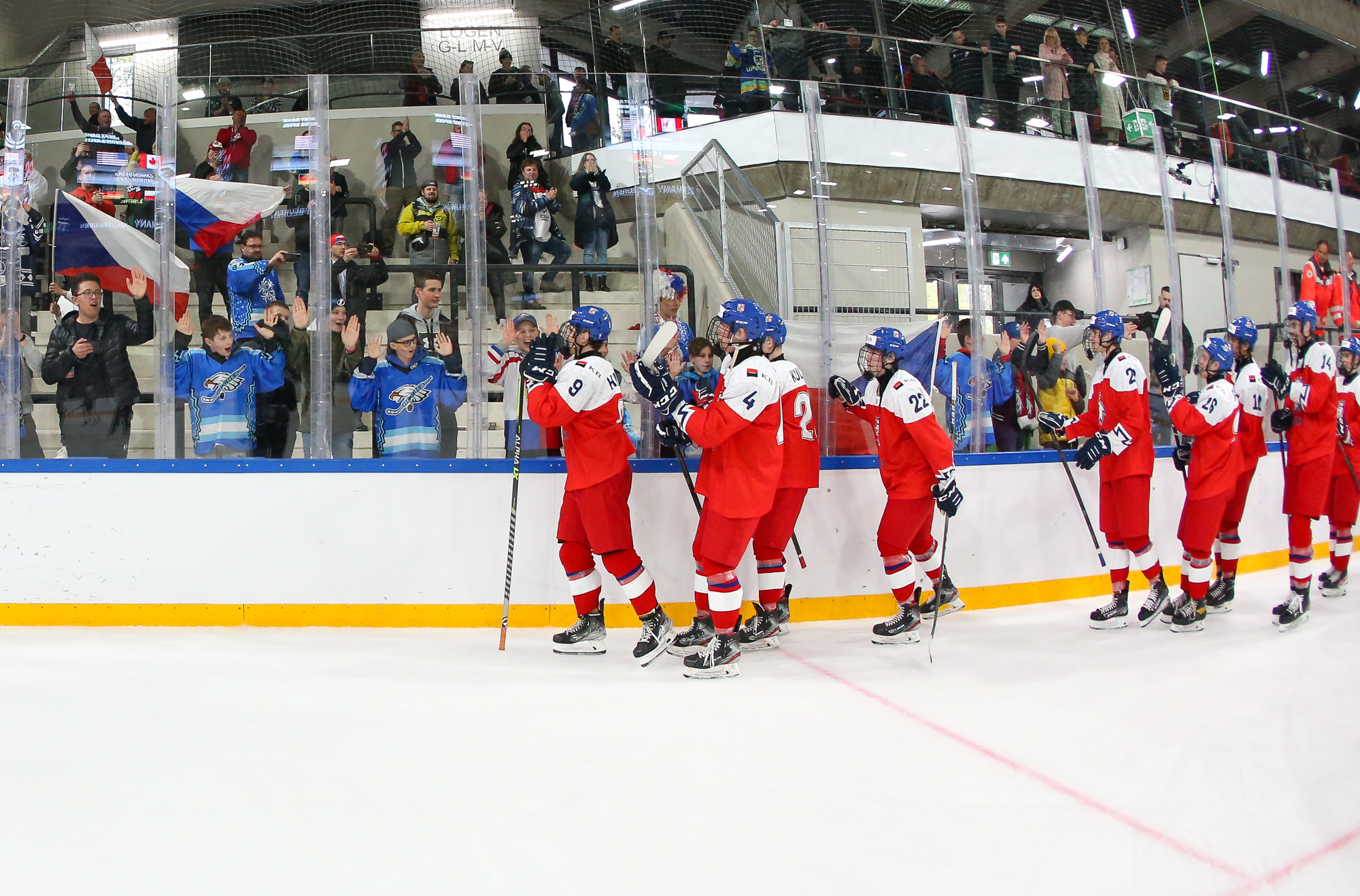 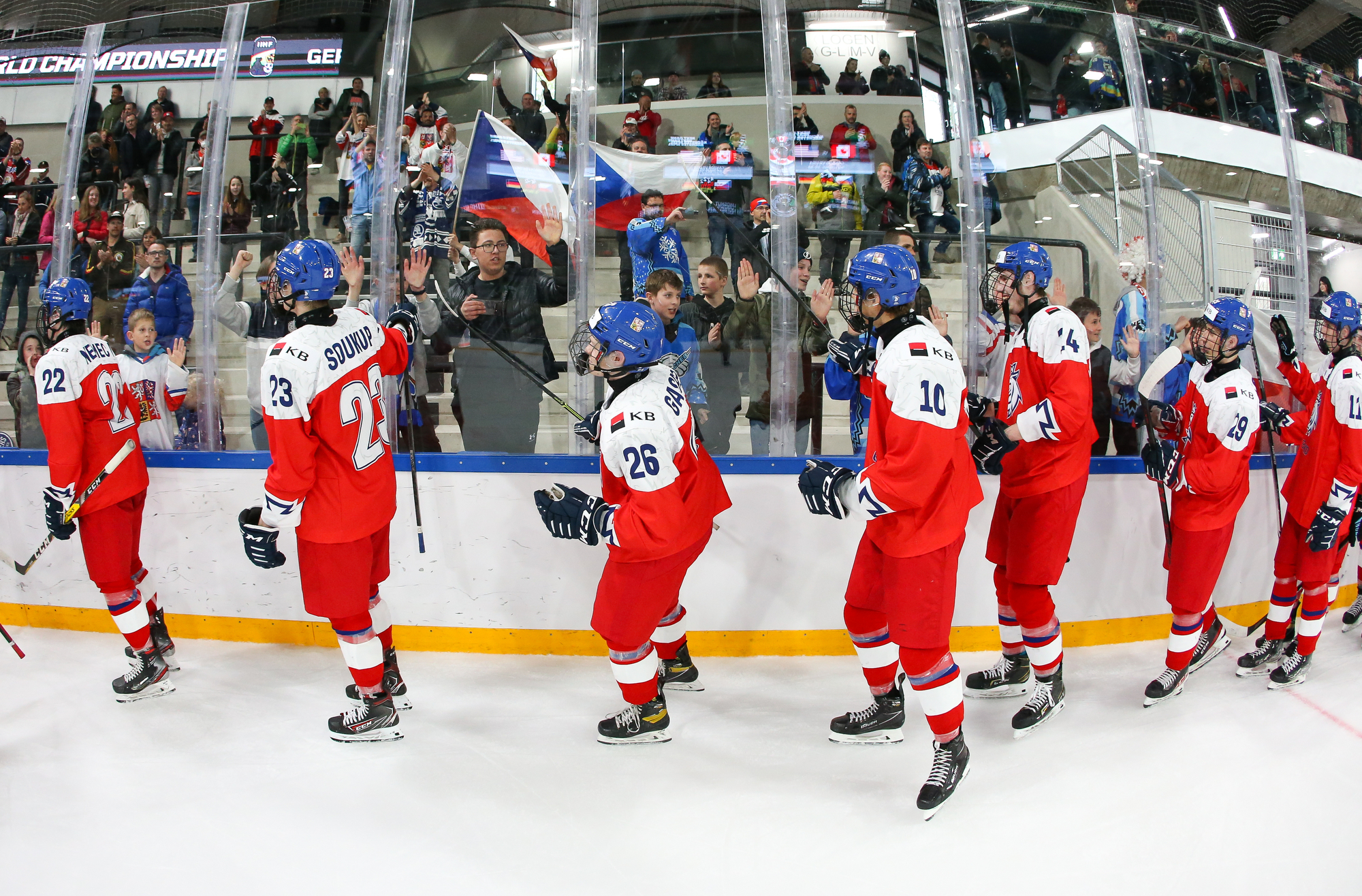 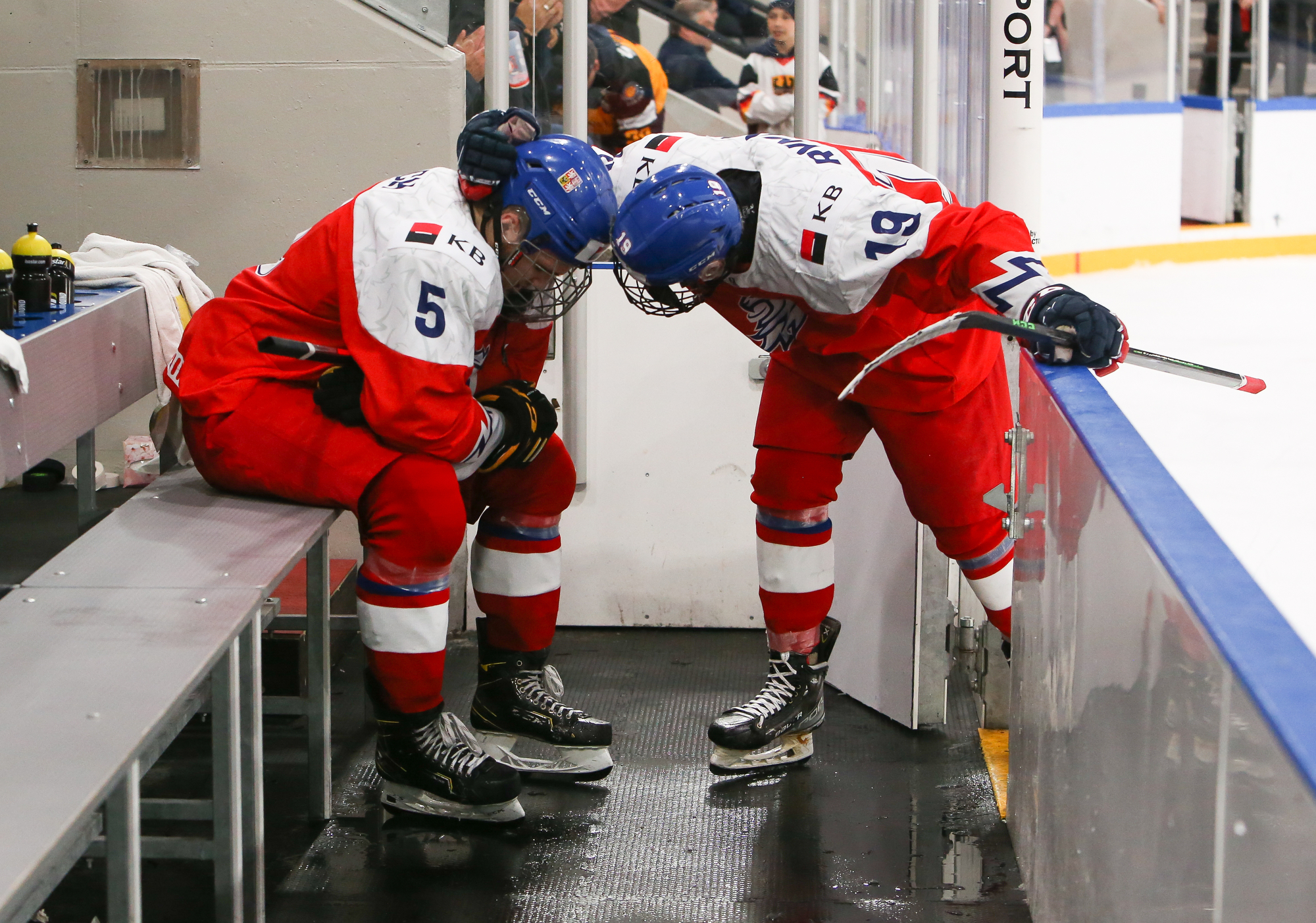 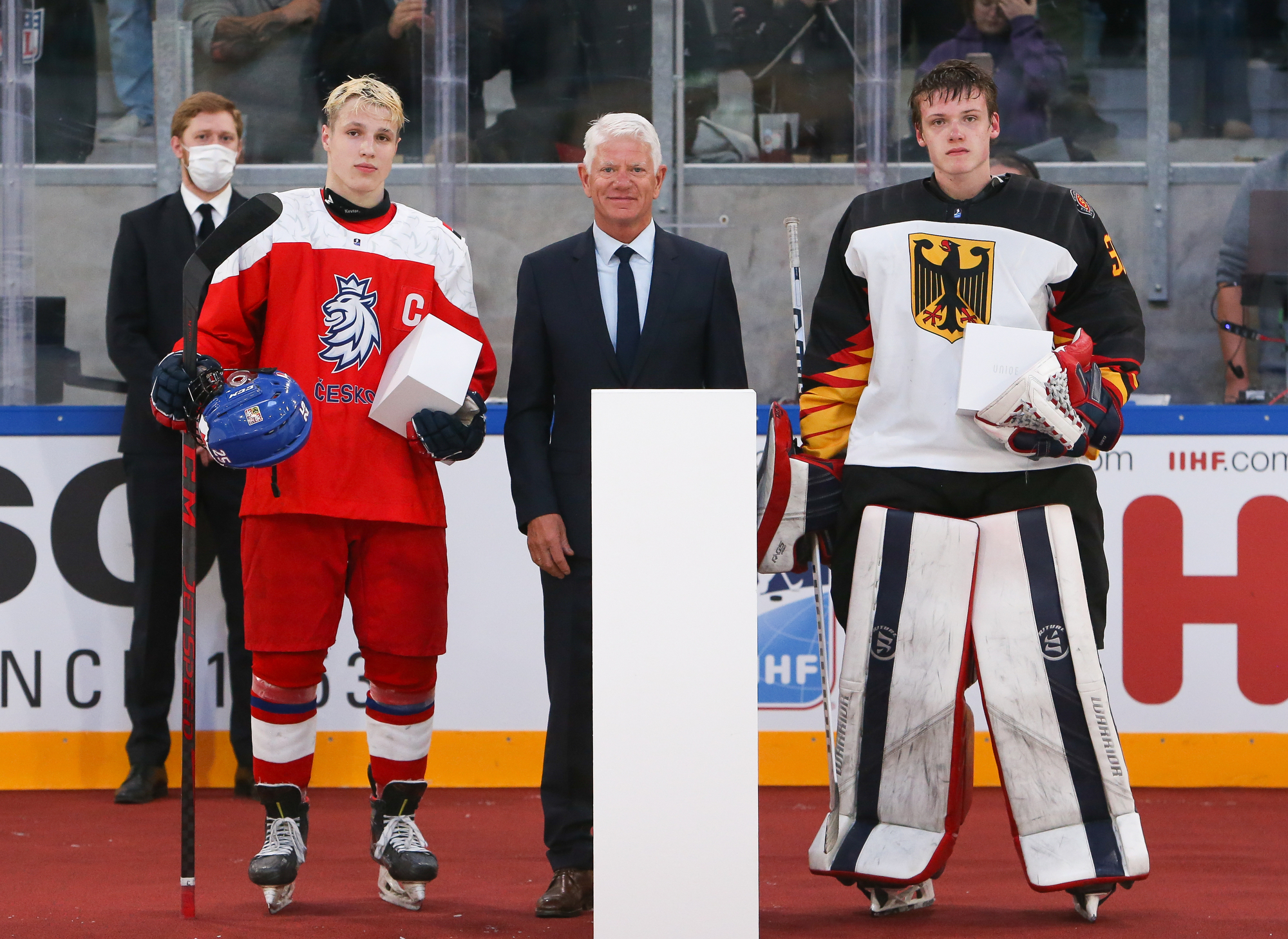 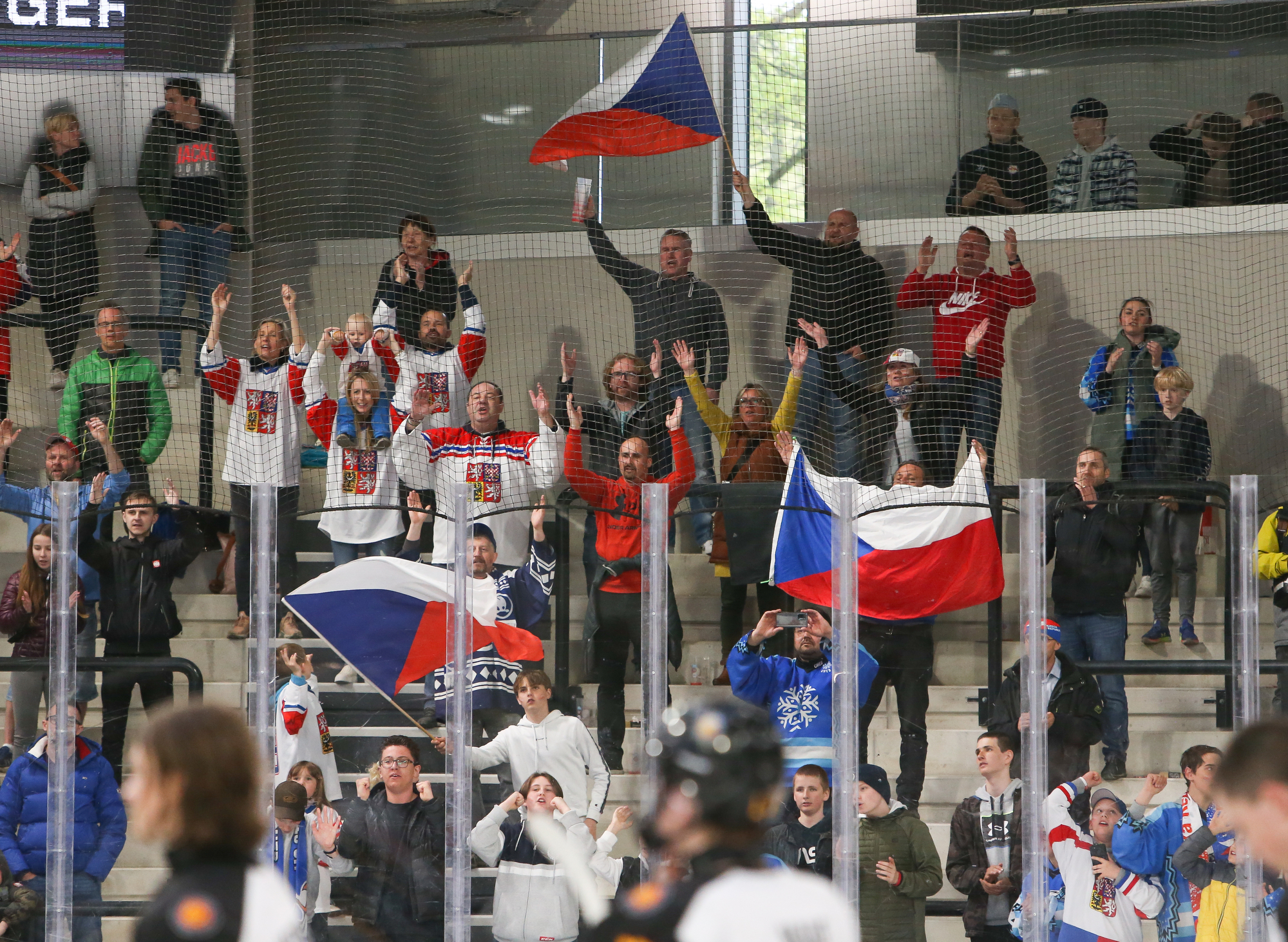 1 OF
World Men U18 CZE GER
share
Related articles
World Men U18
Finns rebound, win bronze
Finland defeated Czechia 4-1 to win the U18 World Championship bronze medal.
01 MAY 2022
World Men U18
USA rolls into the final
After trailling 1-0, the USA scored 6 straight goals to beat Czechia in the semi-finals.
30 APR 2022
World Men U18
Four to watch
Stars ready to be stars
29 APR 2022