After somewhat of a slow start to their second game of the 2022 IIHF Ice Hockey U18 World Championship, the USA bounced back with a big second period to defeat Czechia 6-2 at Fanatec Arena in Landshut, Germany.

In a balanced attack, captain Rutger McGroarty with two goals and projected top-five draft pick Logan Cooley with a goal and an assist was the USA’s only multi-point player.

“We were down 1-0 but no one was panicking,” said McGroarty. “We knew their goalie was seeing a lot of shots so we had to get to the inside a little bit more, and then in the second period we had three goals where the goalie struggled with finding the puck because we were in front of him. I feel like that was a big part of our success today.”

World Men U18
United States vs Czechia - 2022 IIHF Ice Hockey U18 World Championship
After somewhat of a slow start to their second game of the 2022 IIHF Ice Hockey U18 World Championship, the USA bounced back with a big second period to defeat Czechia 6-2.
25 APR 2022
The Americans did carry the play the opening 10 minutes but lacked finish. Their best chance to score came from Isaac Howard, fresh off a four-goal performance against Canada last night, who beat Michael Schnattinger through the legs but the puck squarely hit the goalpost.

After a two goal performance against Germany, Jiri Kulich opened the scoring against the USA. This goal he orchestrated on his own, first drawing a slashing penalty against Lane Hutson as he skated up the ice and then, with the referee’s arm in the air, drew a second penalty against Charles Leddy, who grabbed him from behind, resulting in a penalty shot.

On the shot, Kulich skated to his left and then beat Tyler Muszelik with a perfect shot low to the glove side, off the post and in. For the rest of the period, the Czechs carried the play thanks to two power plays but couldn’t add to their lead.

“We were a bit unlucky after the penalty shot,” said Czech coach Jakub Petr. “We had a great chance to score another goal, but overall I was impressed with the first period. When we played them a few months ago they beat us 10-1, and at this age group it’s about development, so I was really impressed today with how the boys adjusted to their opponent and stuck with the game plan.”

But after a somewhat lacklustre first period, the Americans bounced back in the second by outshooting Czechia 19-5 and scored four straight goals in a span of 7:02 to take control of the game. The team’s tremendous depth was on display, with all four lines getting in on the offence, as did their defence and goaltender Muszelik even drew an assist.

That was on the tying goal at 25:35 on a second-period power play. Muszelik started the play by passing up to Seamus Casey and it was finished on a great individual effort by Howard, who he circled the zone and fired a low shot from the high slot that a screened Schnattinger never moved on.

“I think we started well,” said defenceman Tomas Hamara. “Scoring the first goal definitely helped us. Unfortunately, we weren’t able to continue that into the second period. After the USA’s first goal, we started playing a little bit different and they have the skills, so they scored the goals.”

Less than three minutes later, the Americans took the lead when Cooley set up Jimmy Snuggerud a the snipe from right in front.

“They have so many good players but their first line was especially difficult to play against – they’re really good players,” Hamara said about Snuggerud, Cooley and Gauthier.

Just 30 seconds later it was 3-1, when Ryan Leonard spun away from a check and scored on a low shot through traffic. Then it was McGroarty with his first of two, who finished off a give-and-go with Devin Kaplan with a wrister just inside the far post.

“I kept the puck in at the blueline, moved it to Kaplan, hopped to an area and he found me with a great pass, and then just a solid shot,” McGroarty described.

The USA outscored Czechia 2-1 in the third period. Just as with their first goal, the Americans’ fifth goal came on the power play and it took only four seconds from the draw for Cooley to snap it home after a face-off win by Cutter Gauthier. Lukas Plos scored Czechia’s second goal with just over seven minutes to go, firing a wrister from the left wing just inside the far post. McGroarty’s second of the game with 6:31 to go rounded out the scoring.

After a day off, the group stage wraps up on Tuesday. The USA plays Germany and the Czechs play Canada. Czechia may have to go the rest of the way without one of its top offensive players. With 13:40 to play, Czech winger Dominik Petr went heavily into the boards and had to be taken from the ice on a stretcher with an apparent knee injury. Petr had two assists in Czechia’s win over Germany.

“According to the info I’ve received, I believe he’s out for the tournament,” said coach Petr, who is also Dominik’s father. “I’ve got 23 sons here so (an injury) is always unfortunate, no matter who it is.”
United States vs Czechia - 2022 IIHF Ice Hockey U18 World Championship 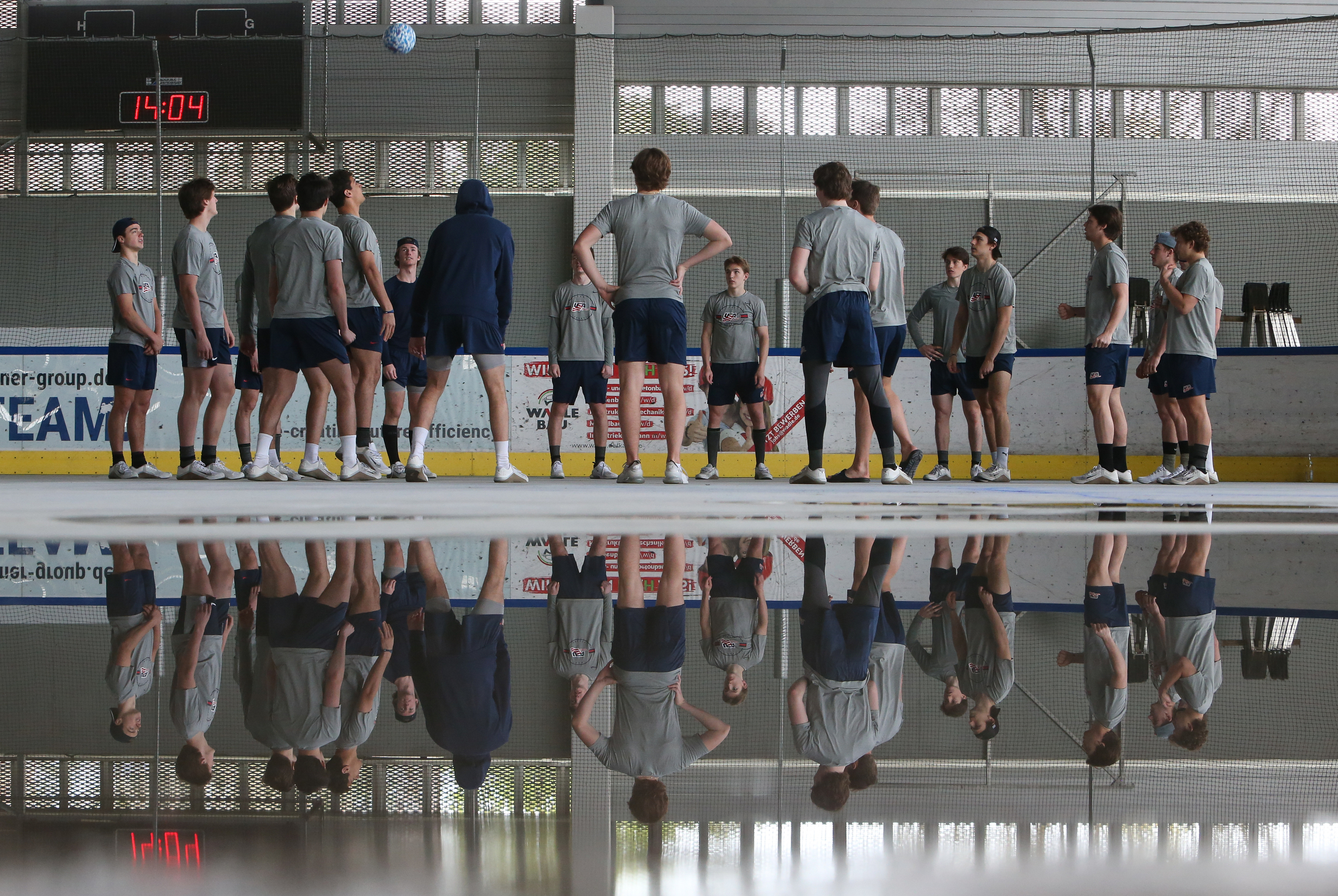 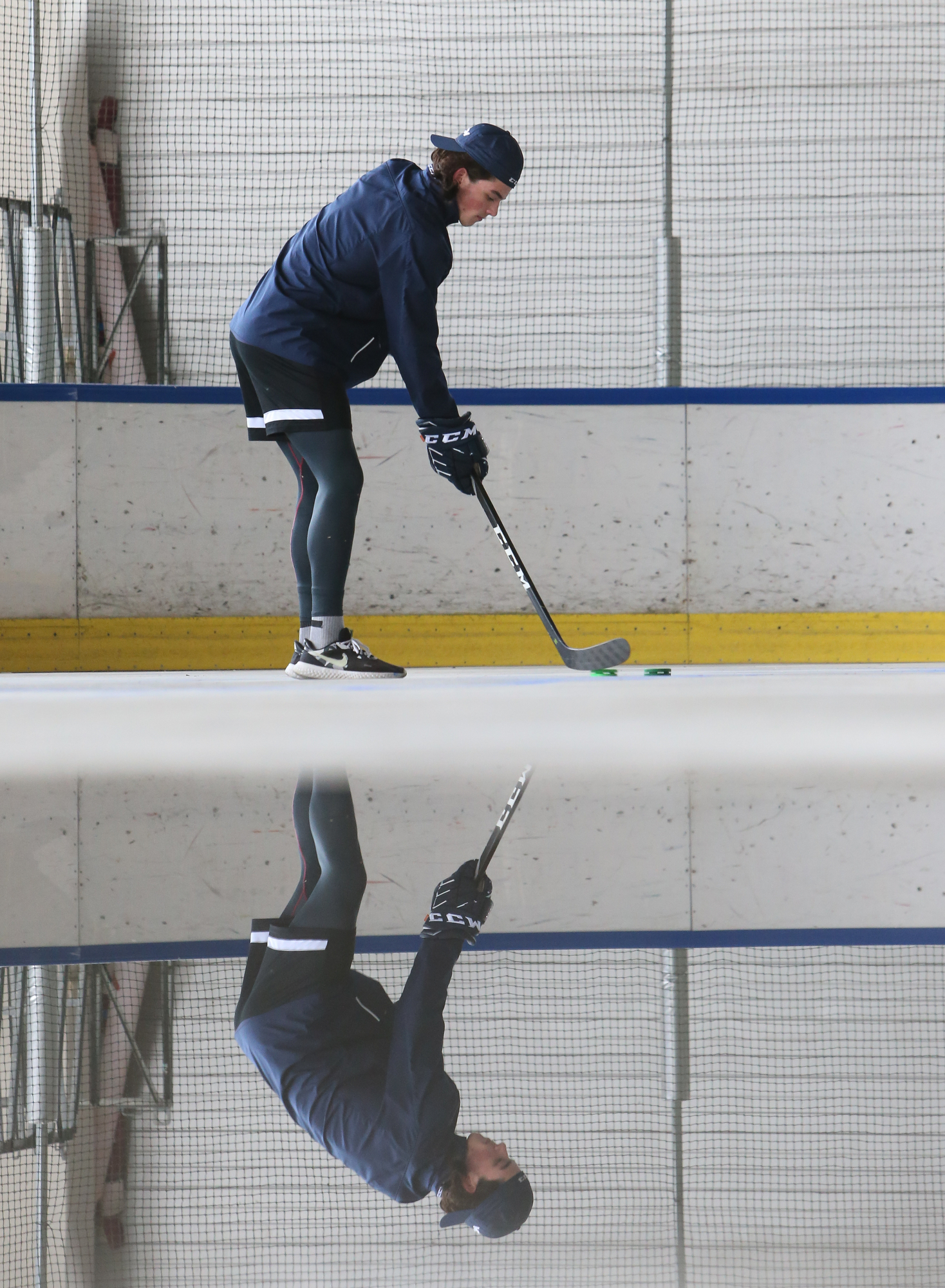 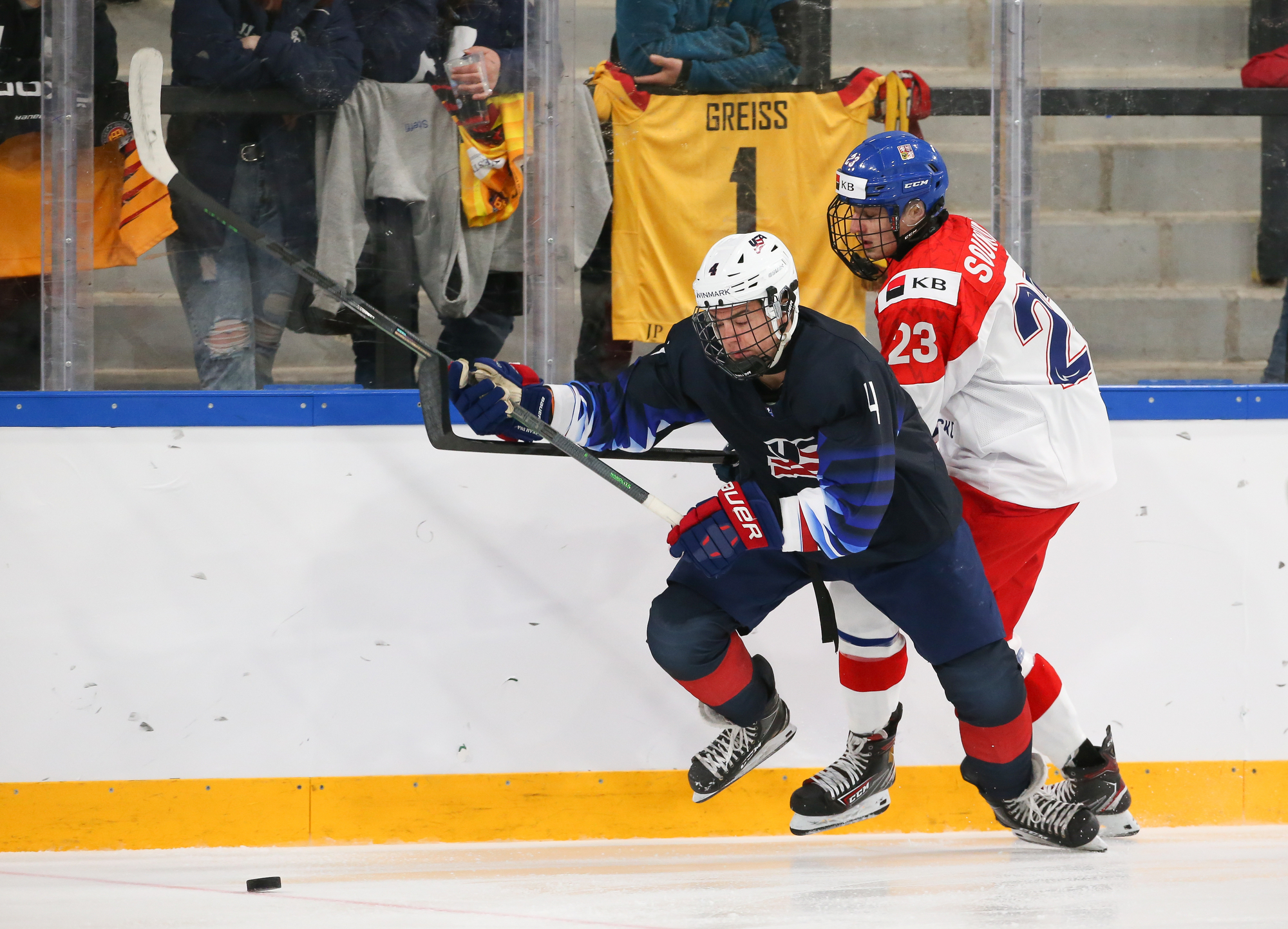 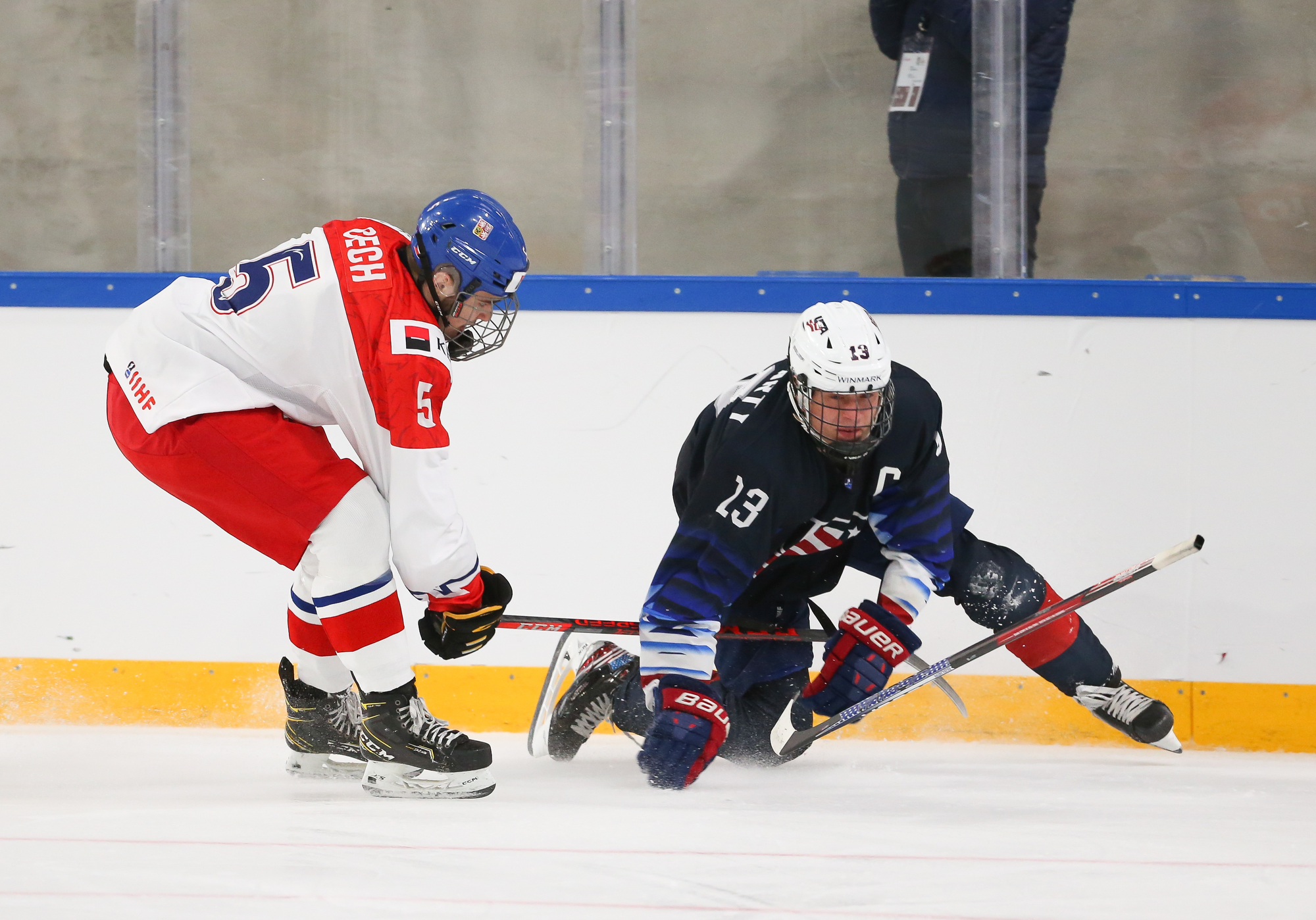 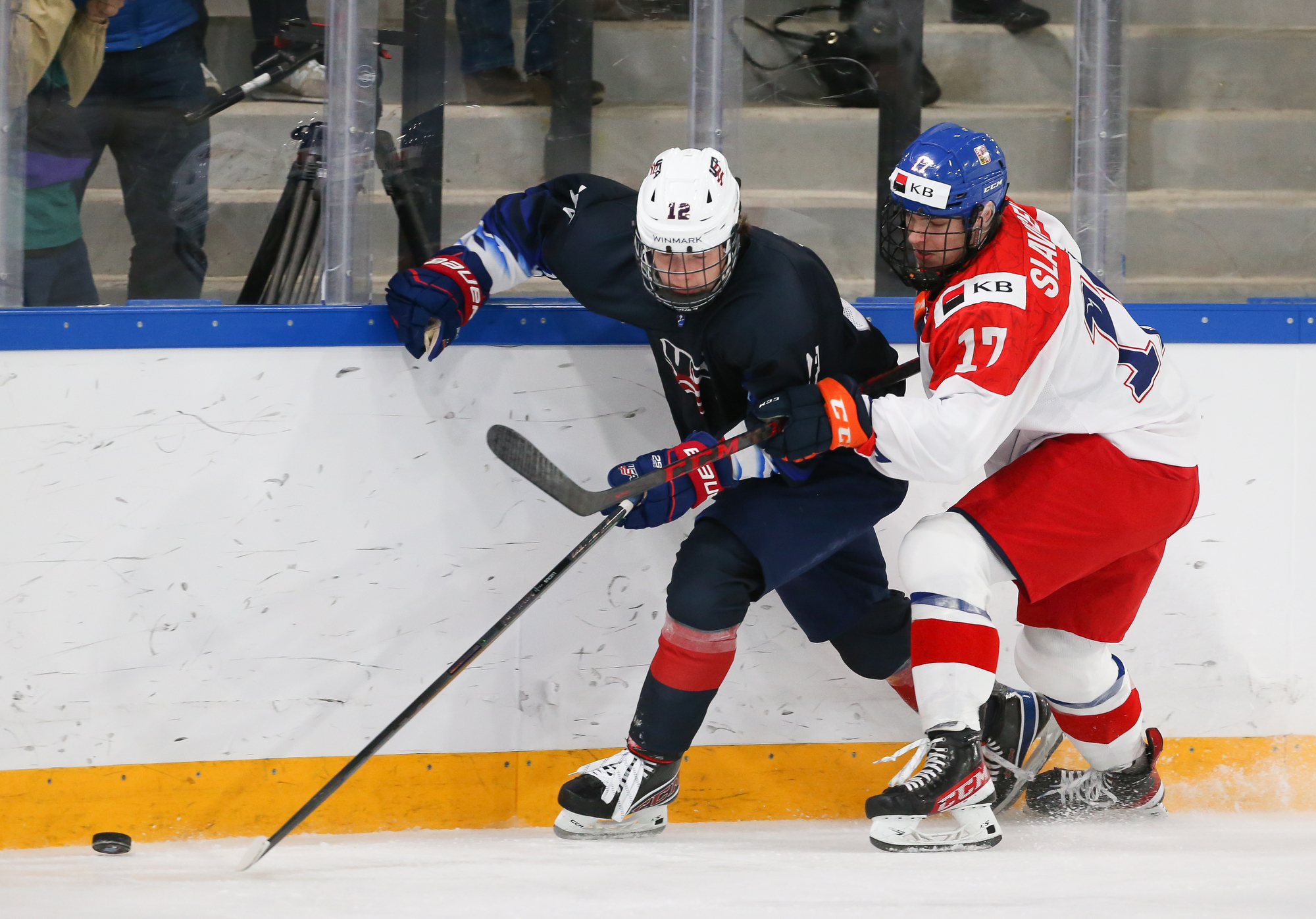 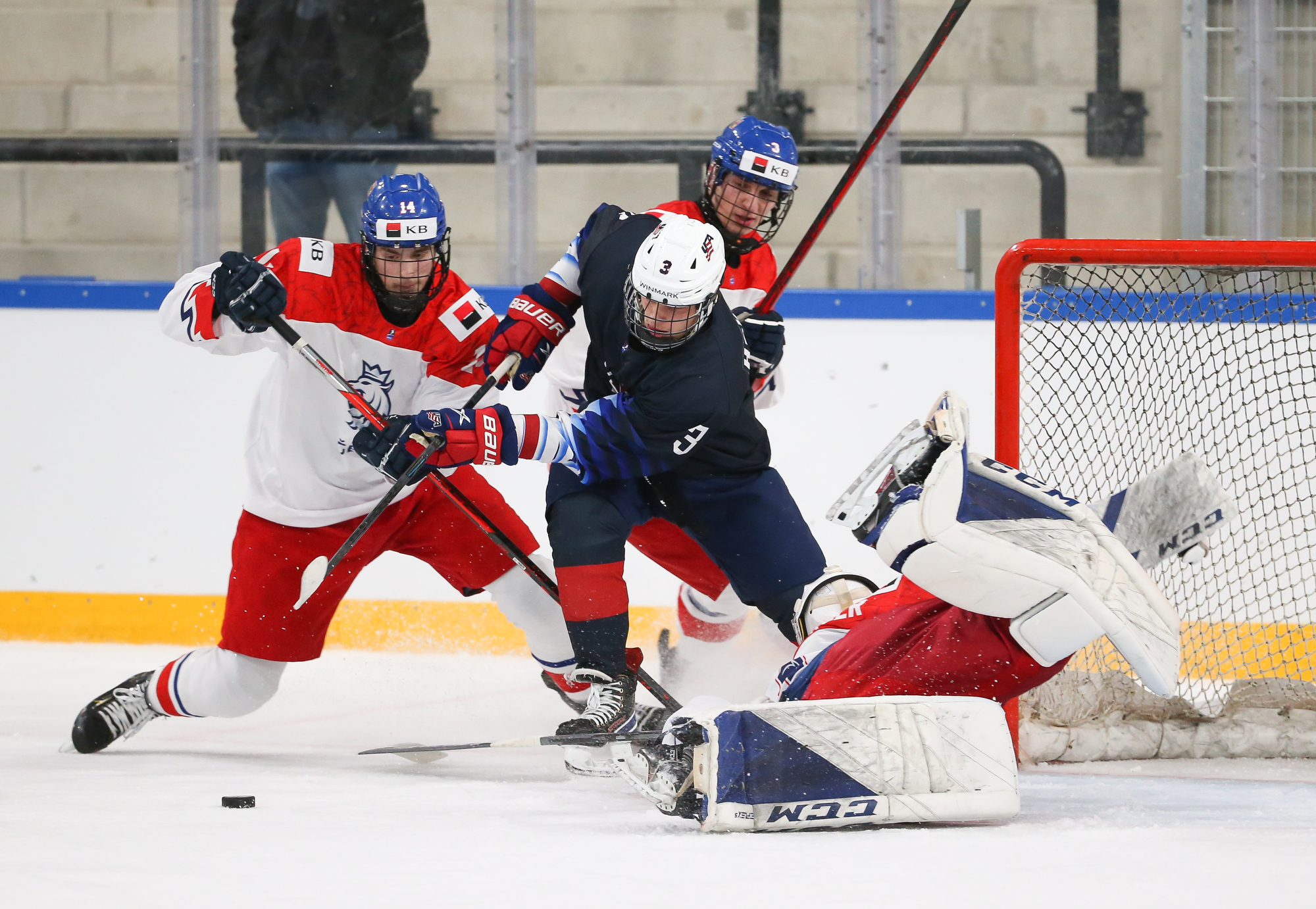 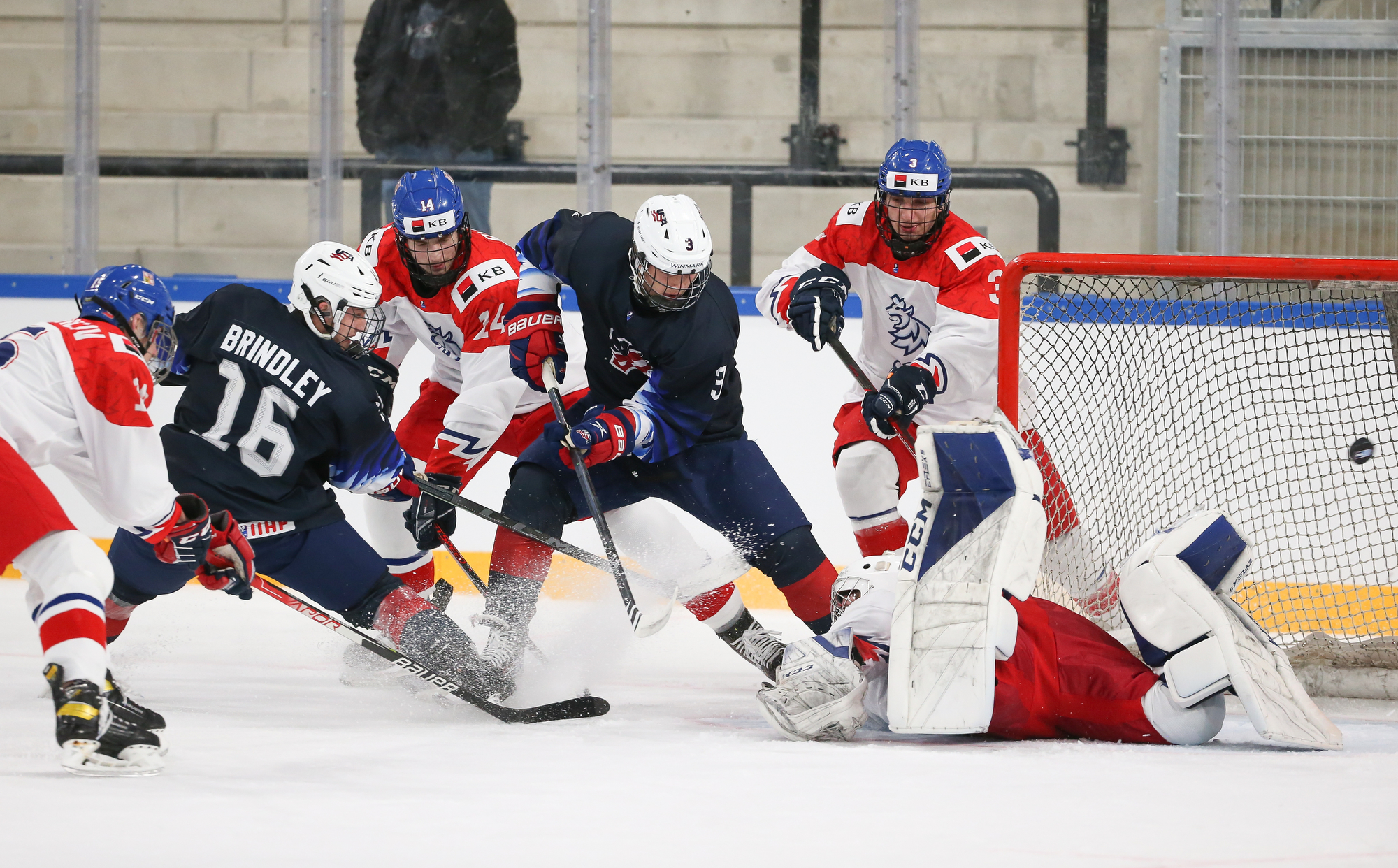 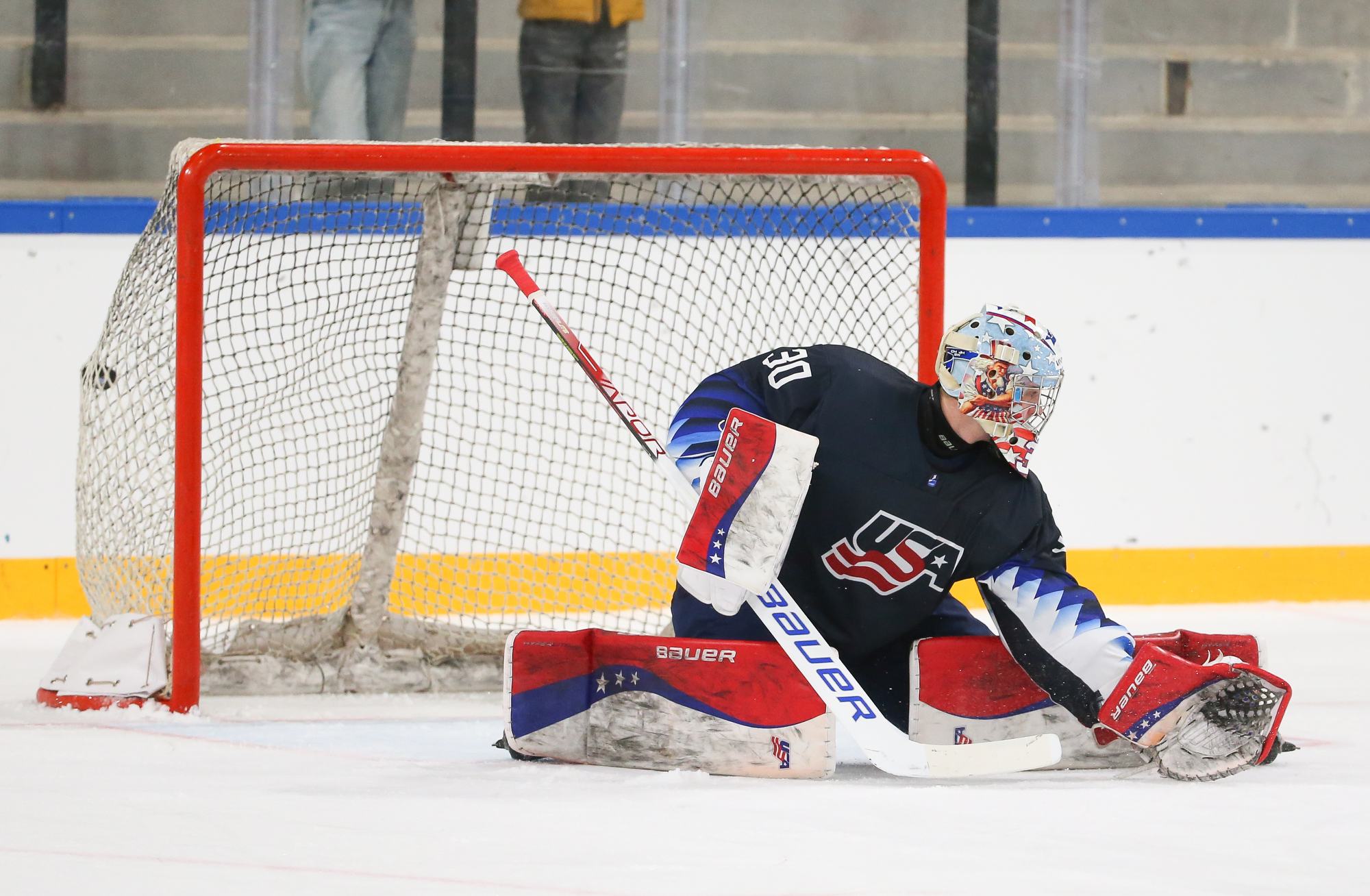 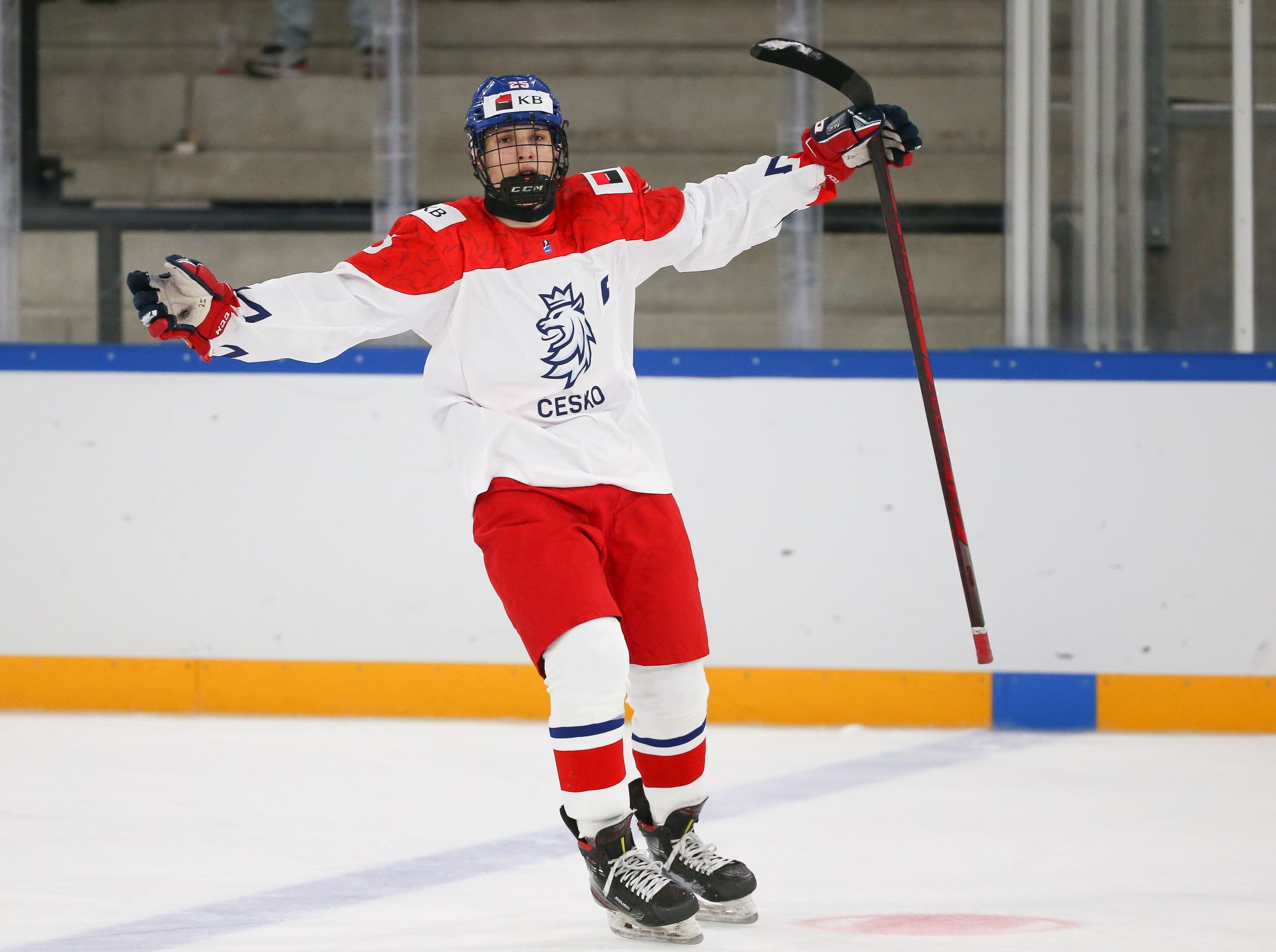 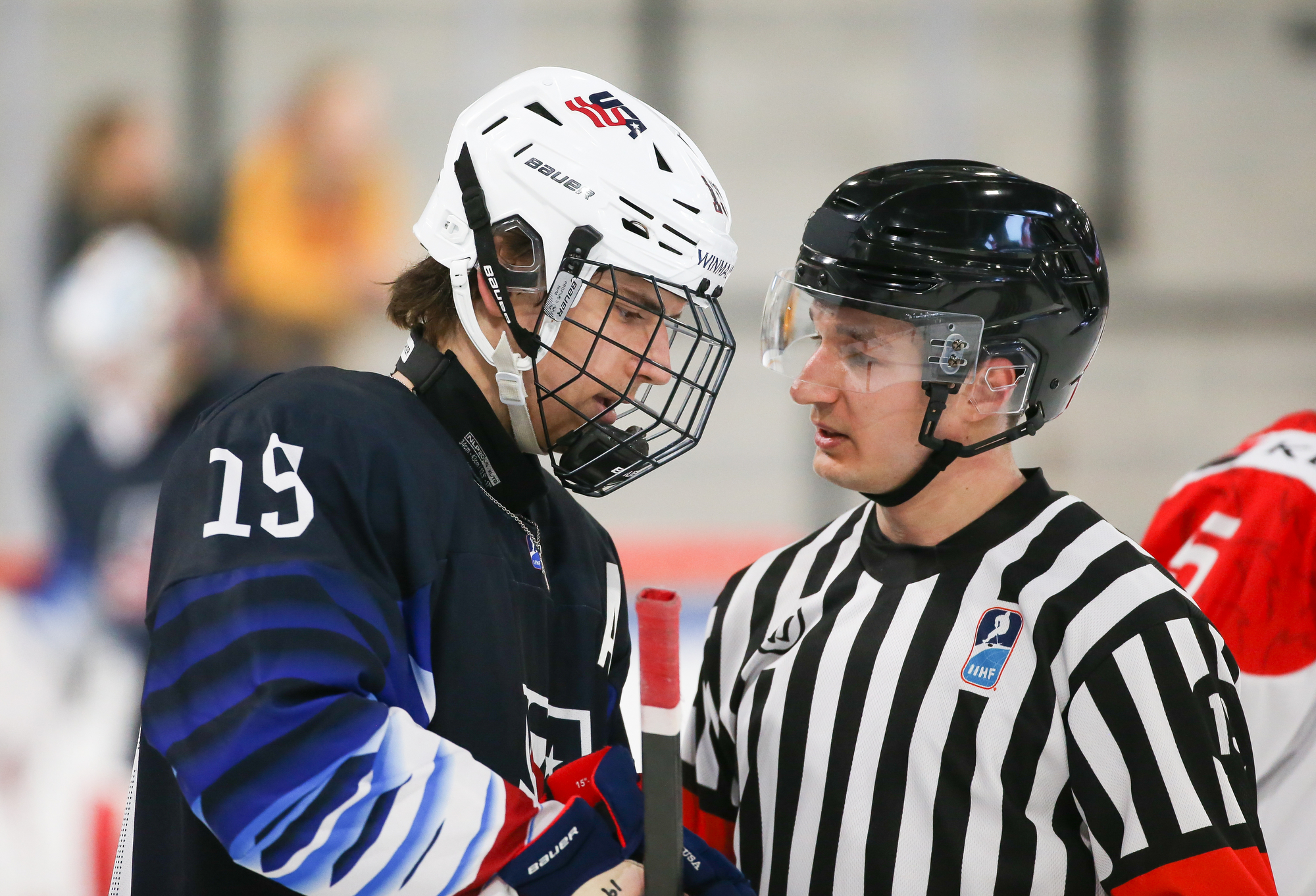 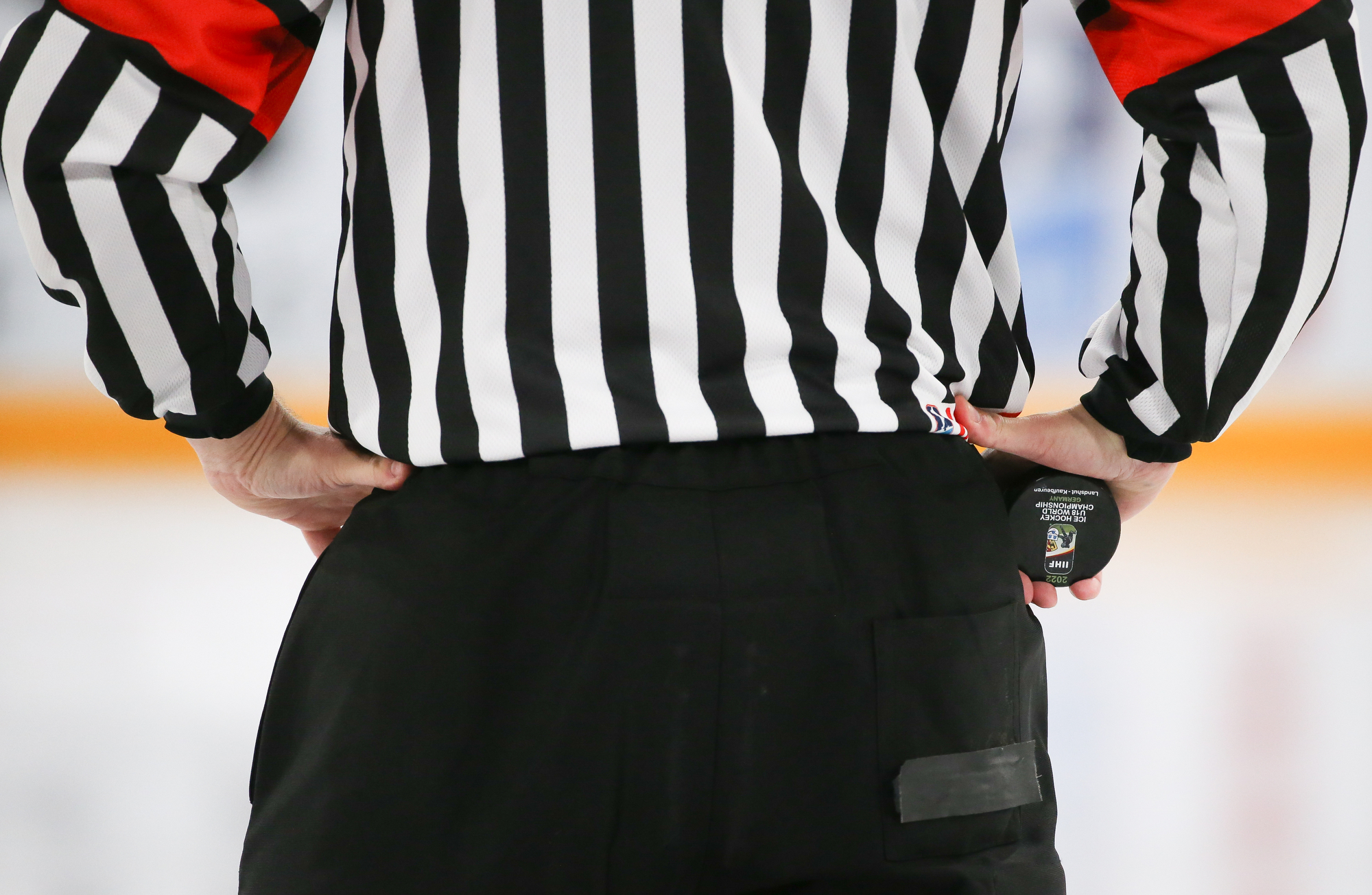 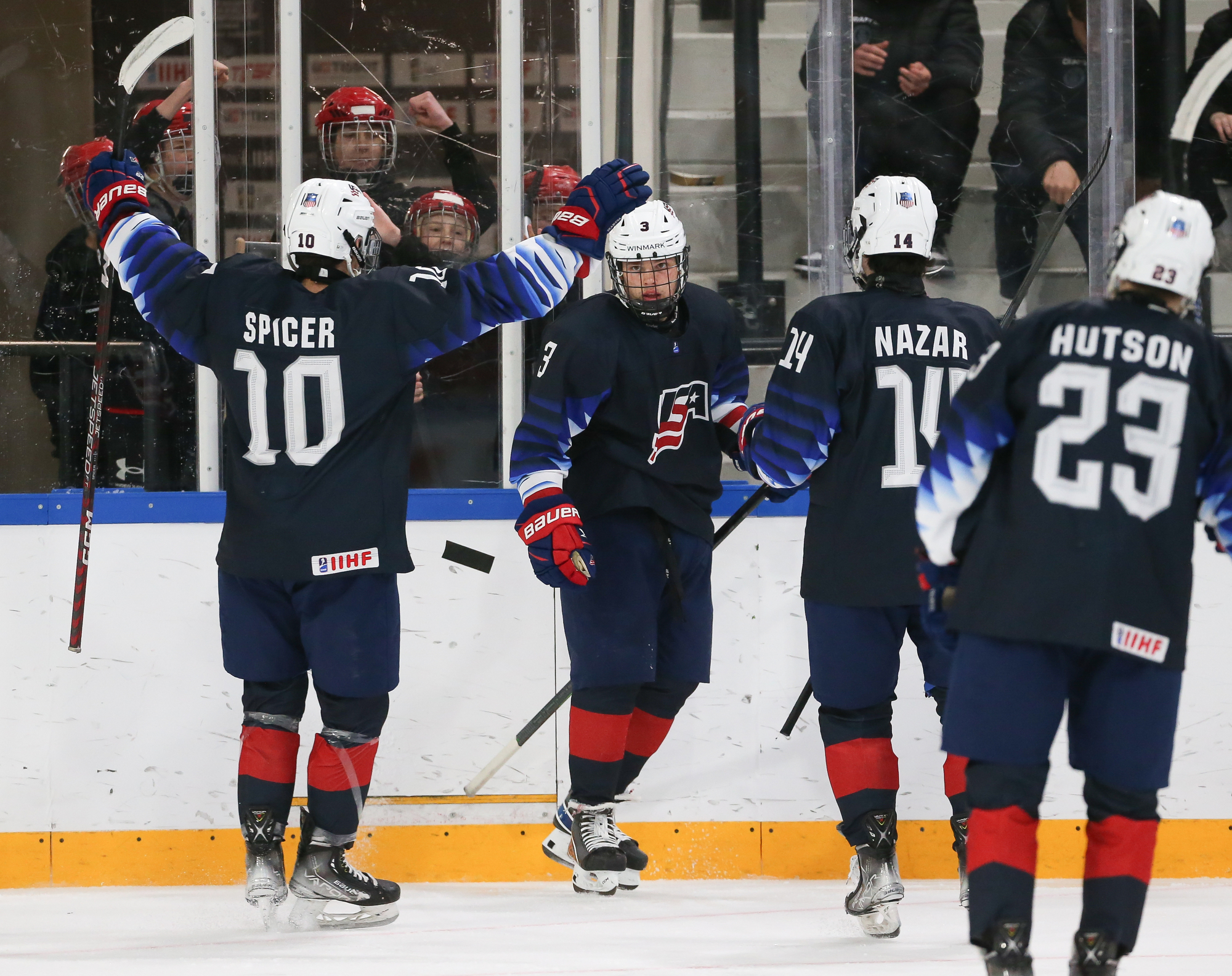 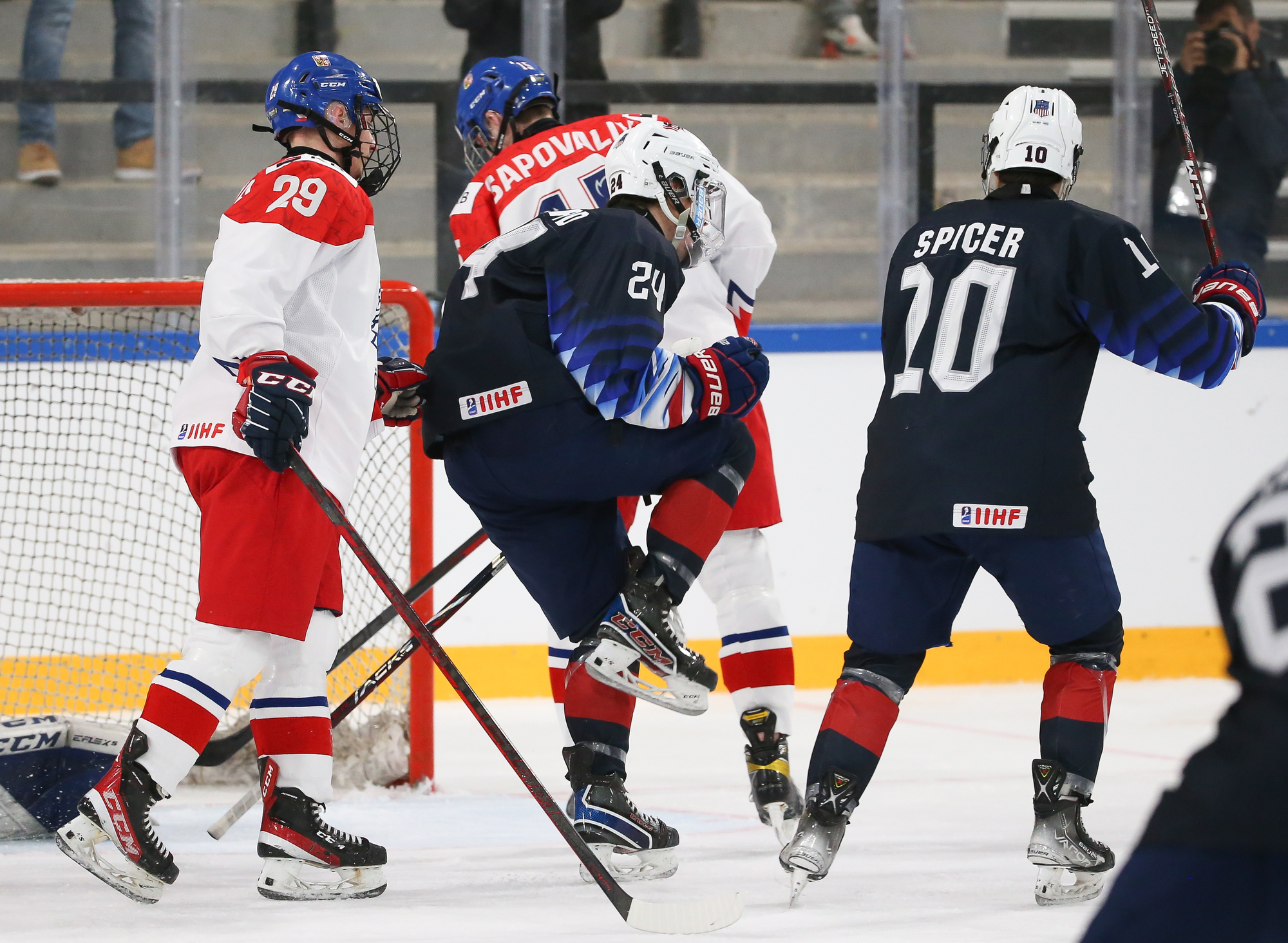 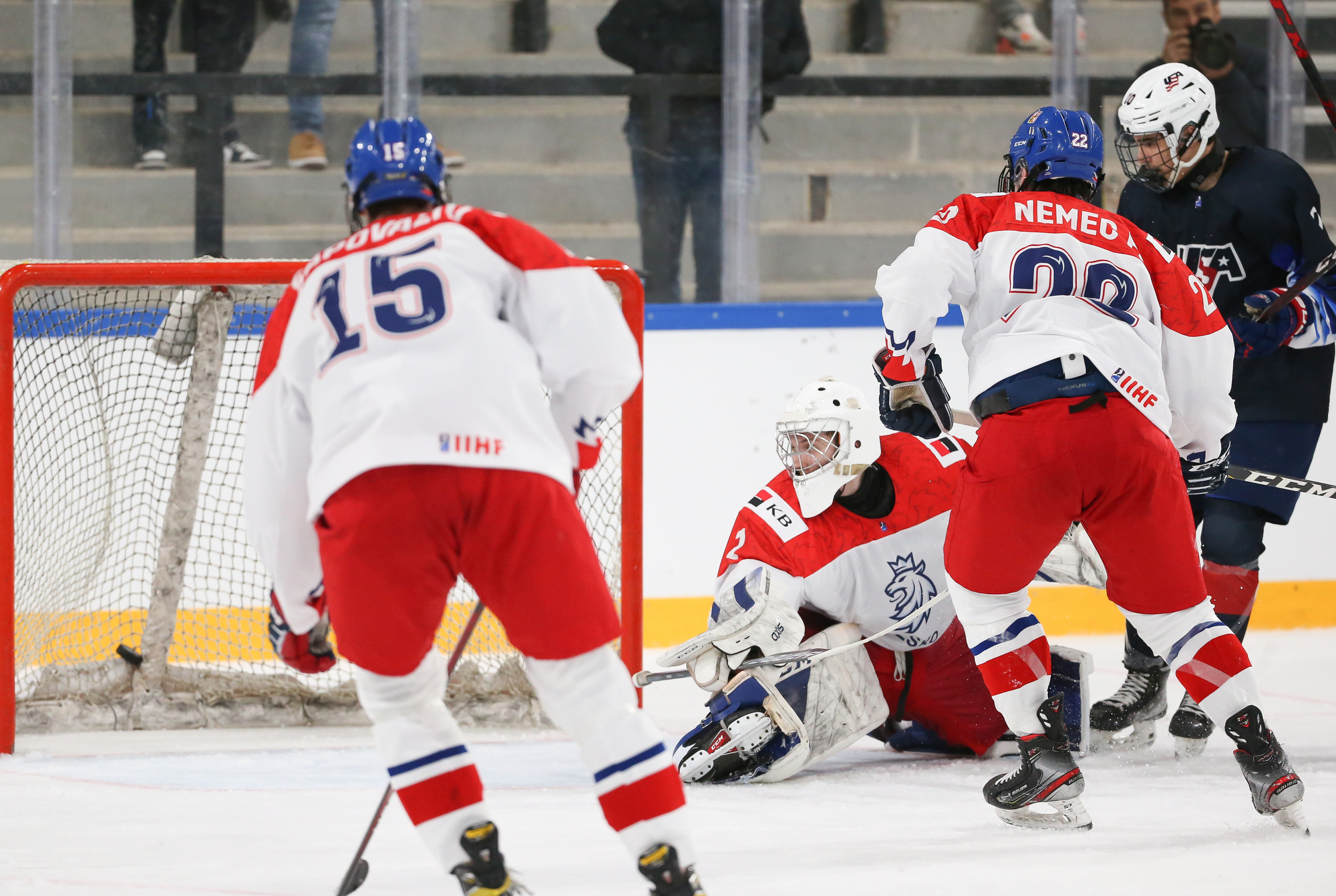 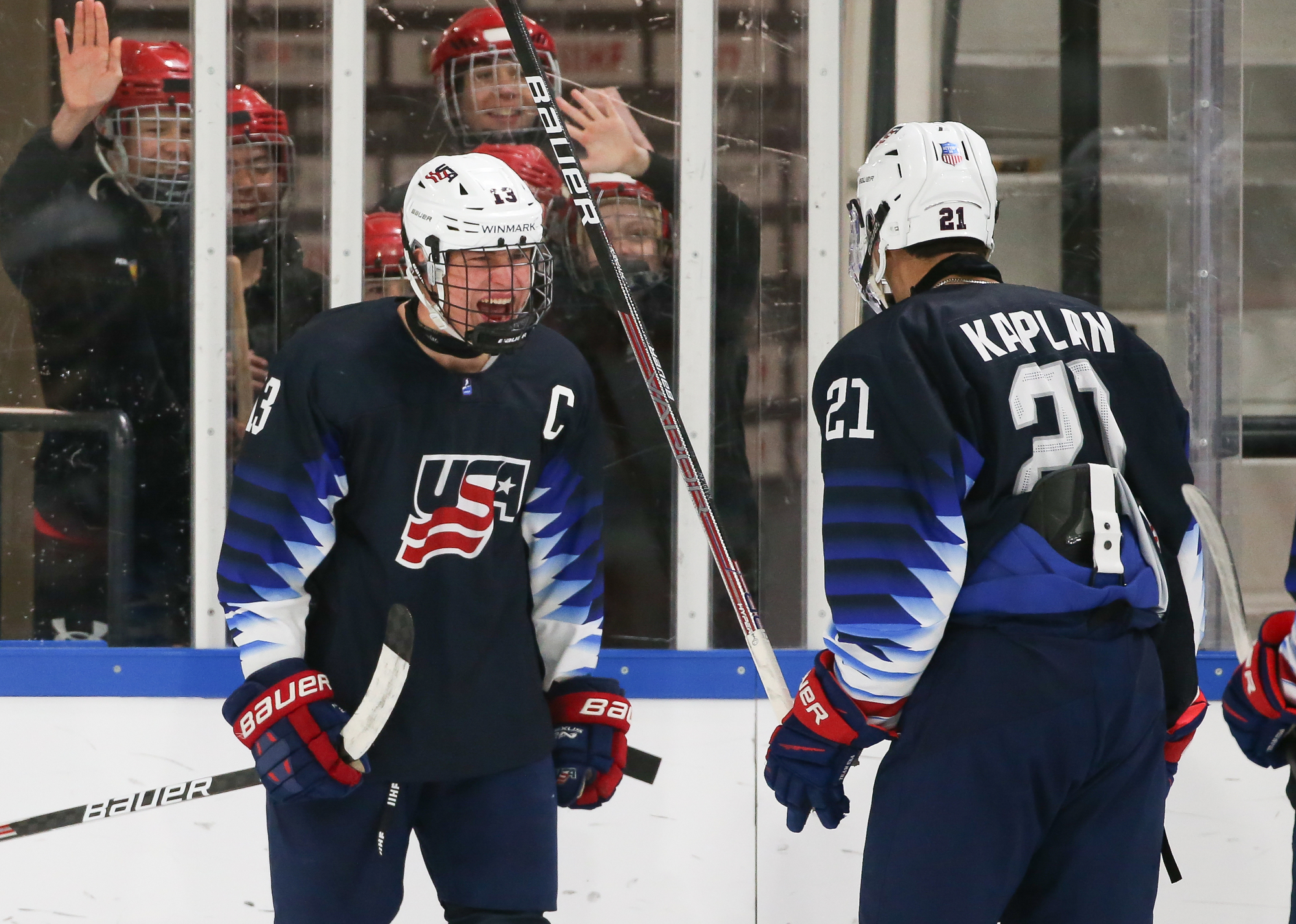 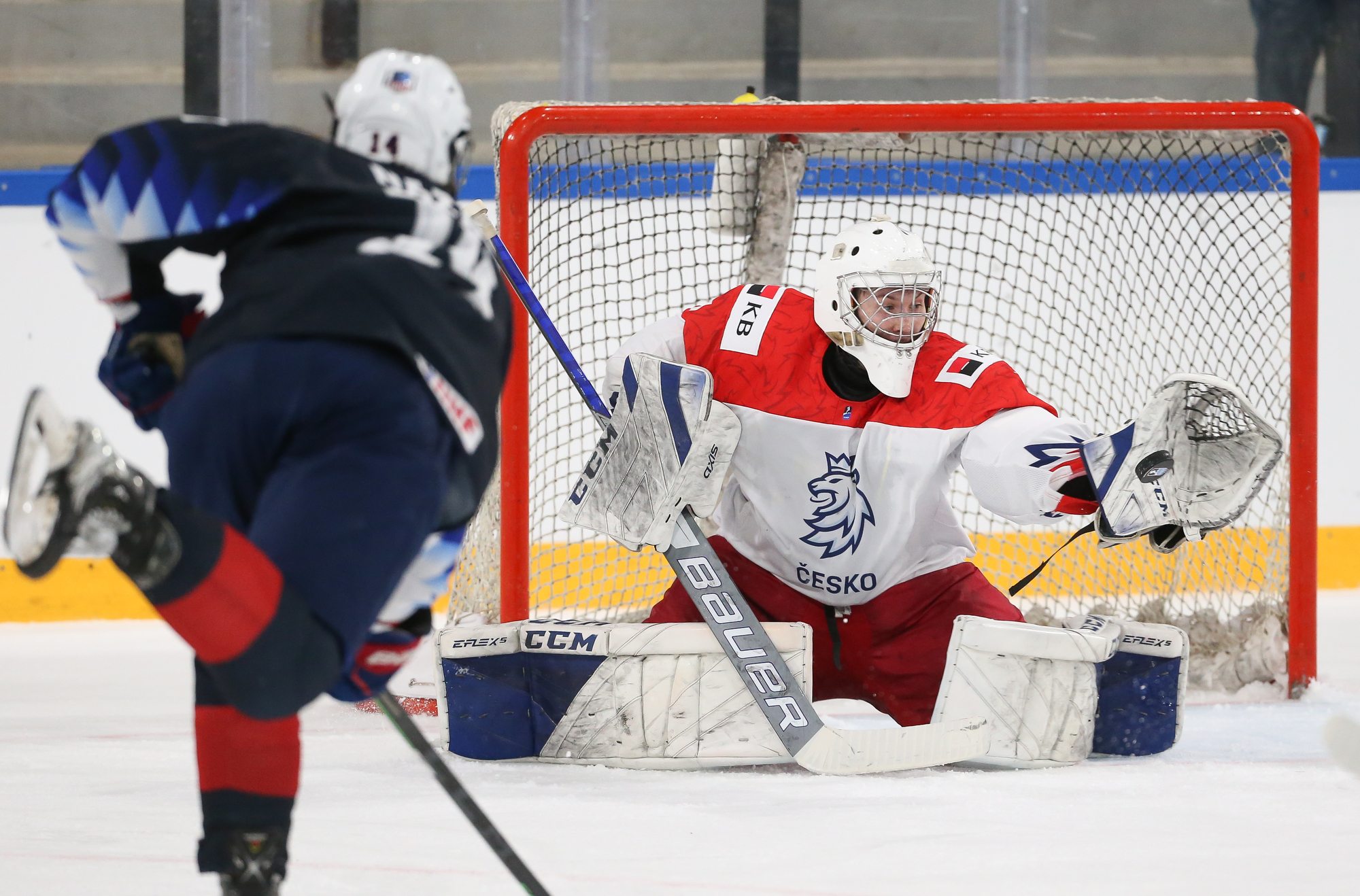 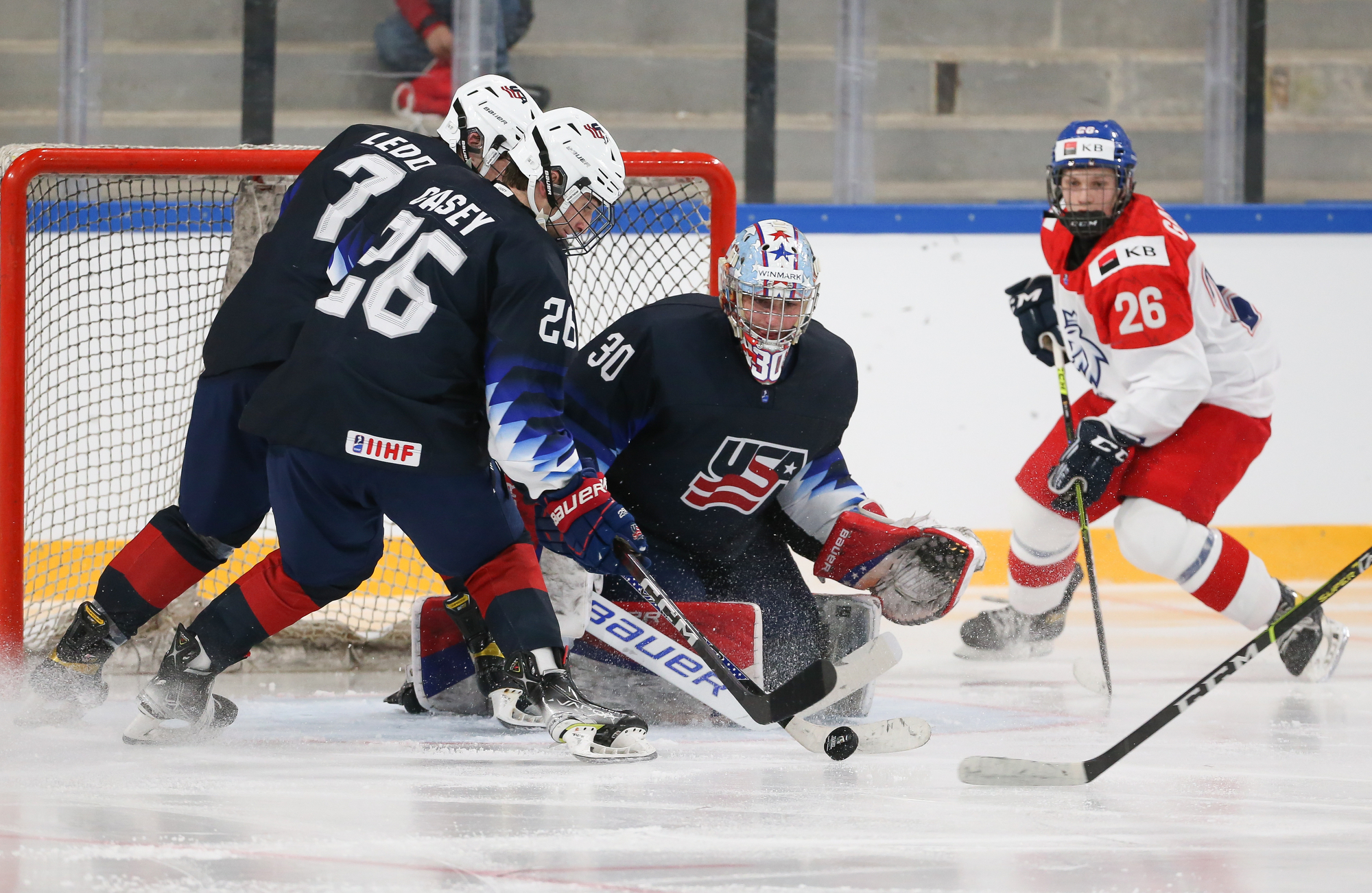 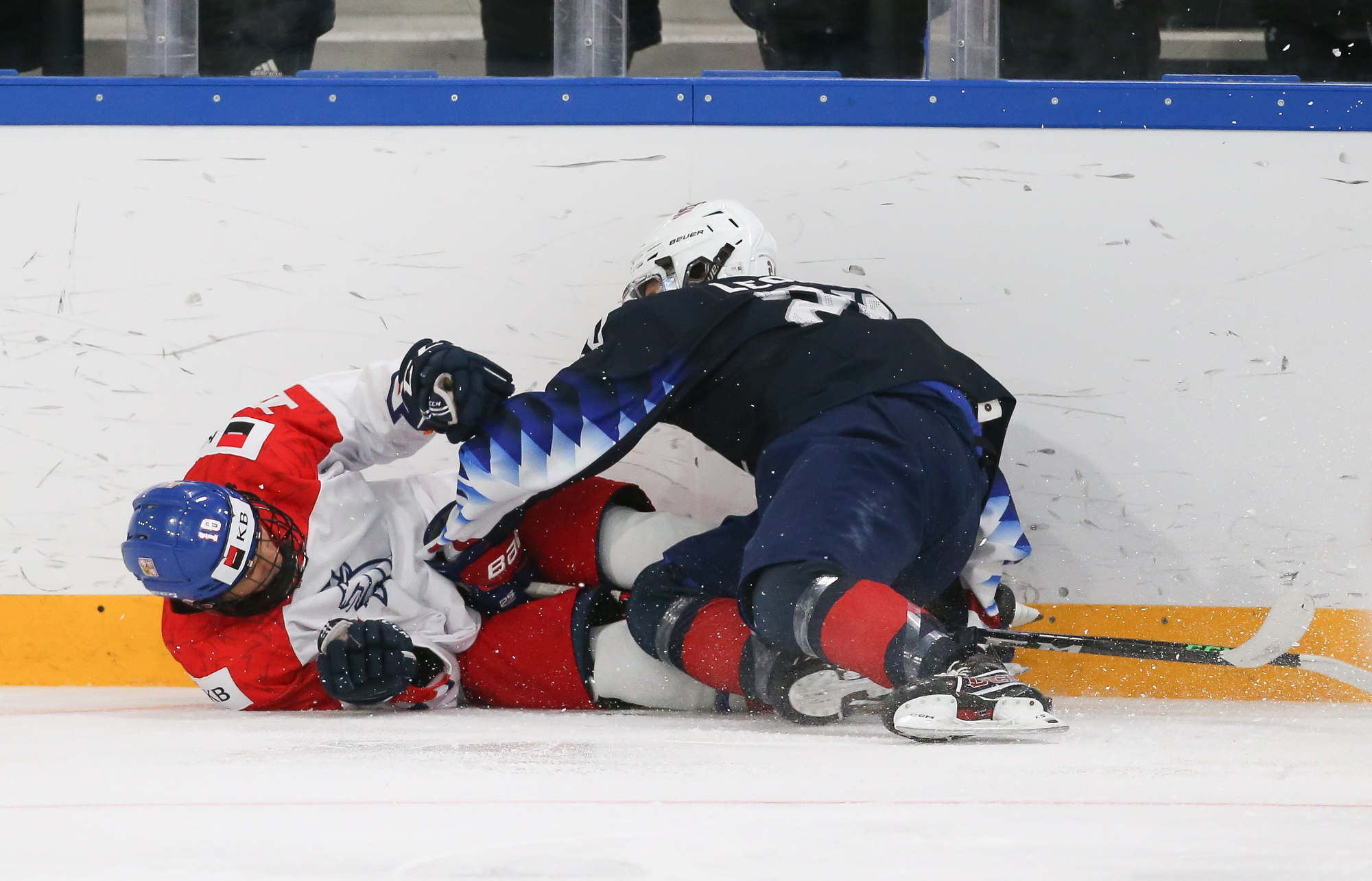 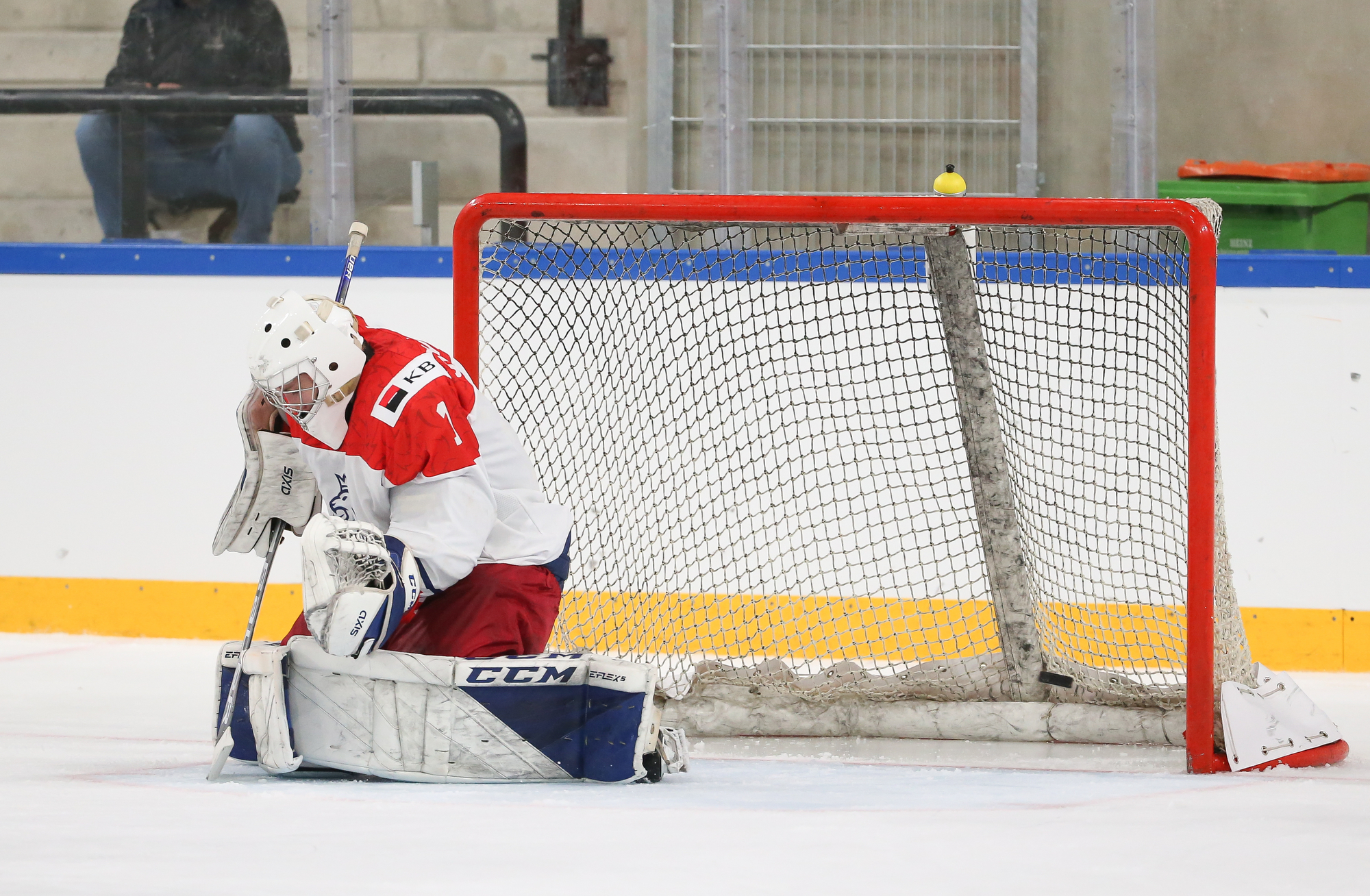 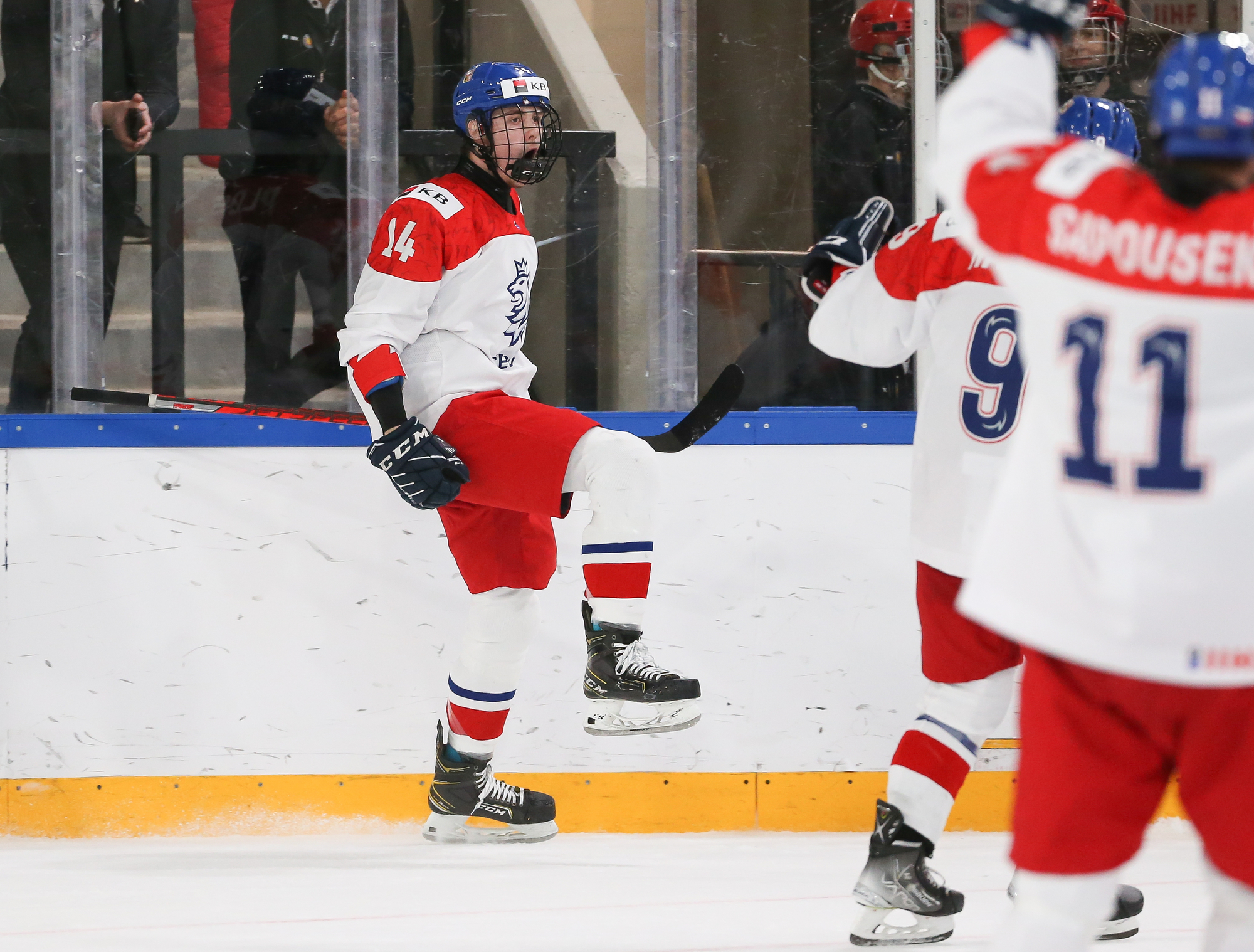 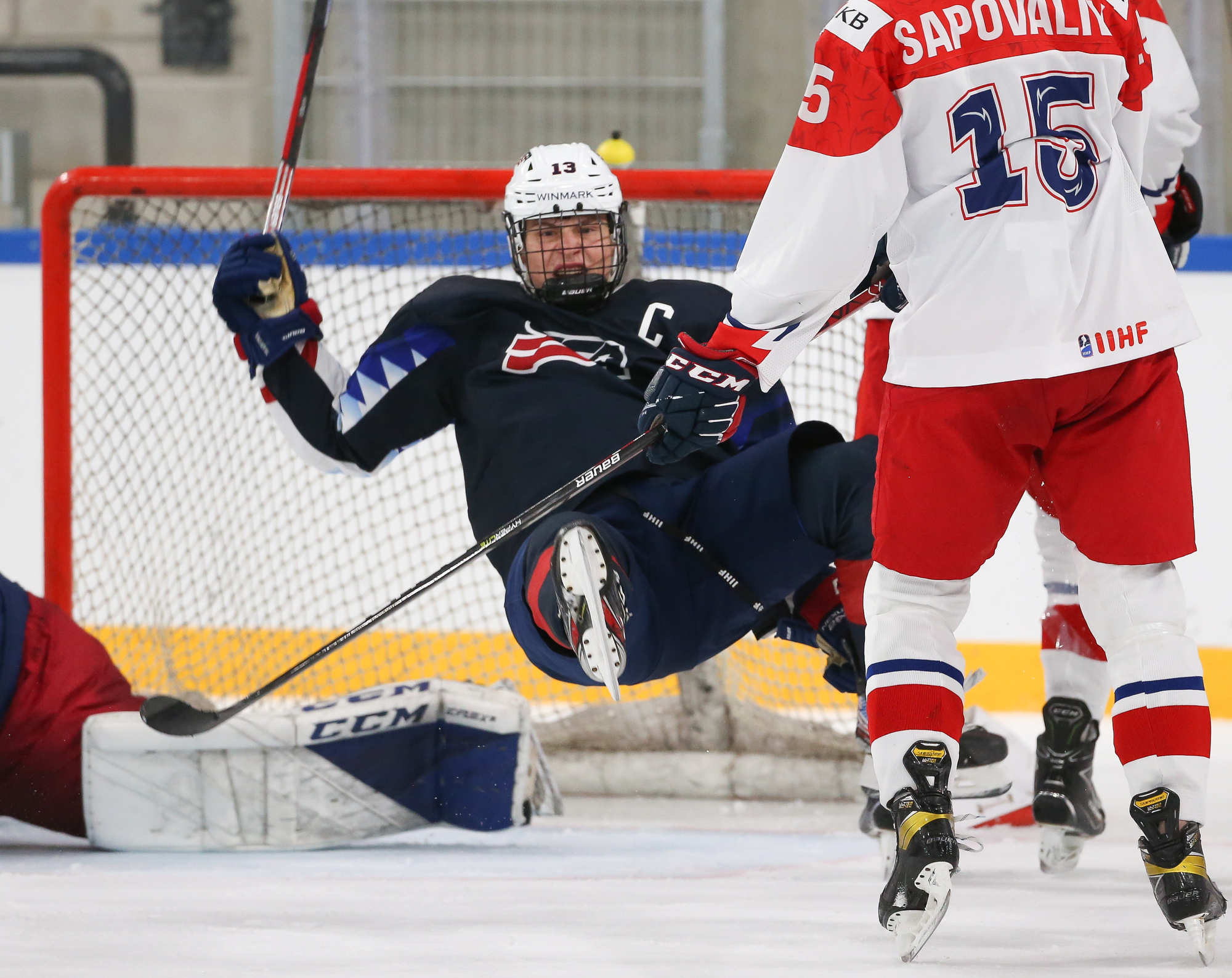 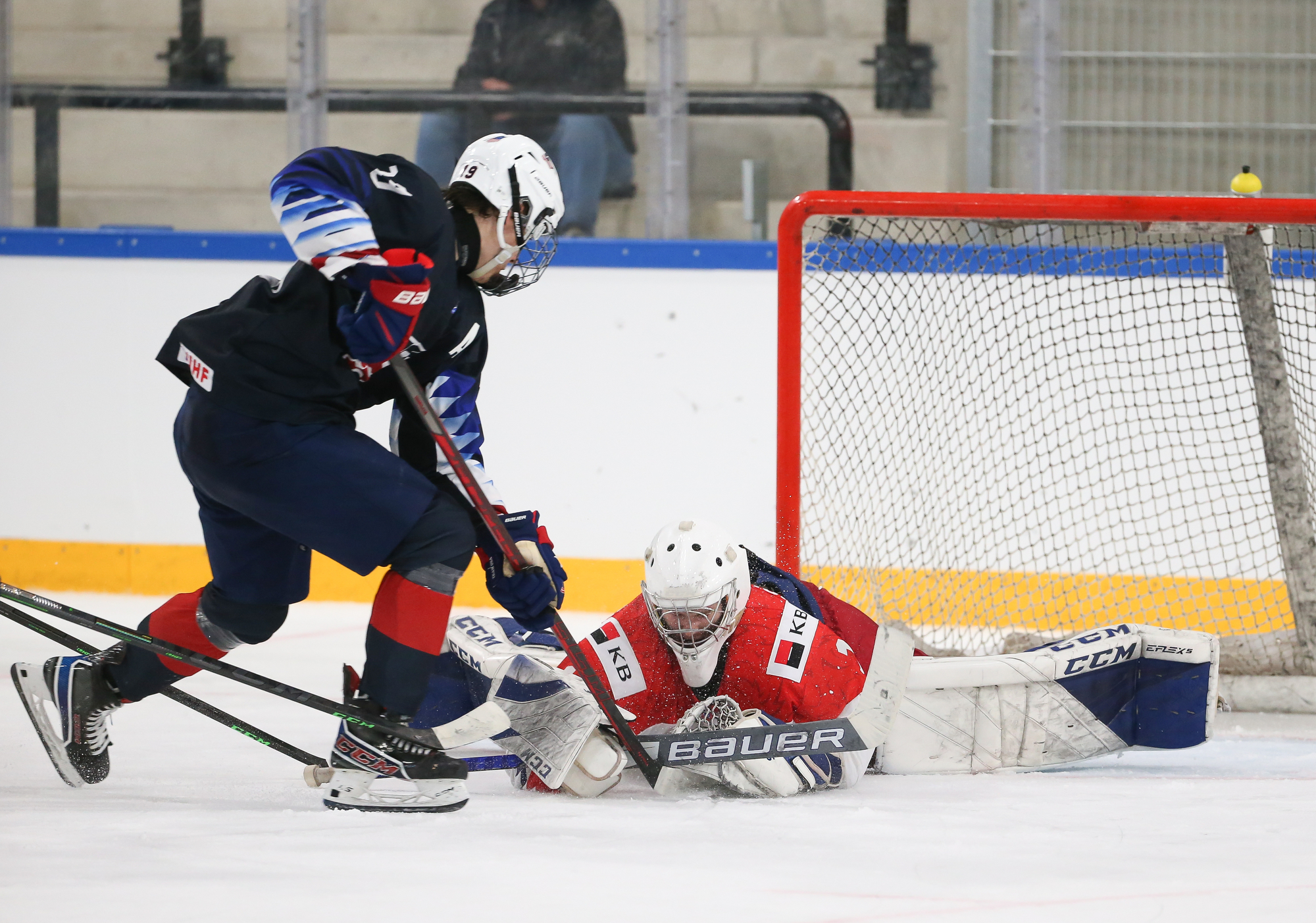 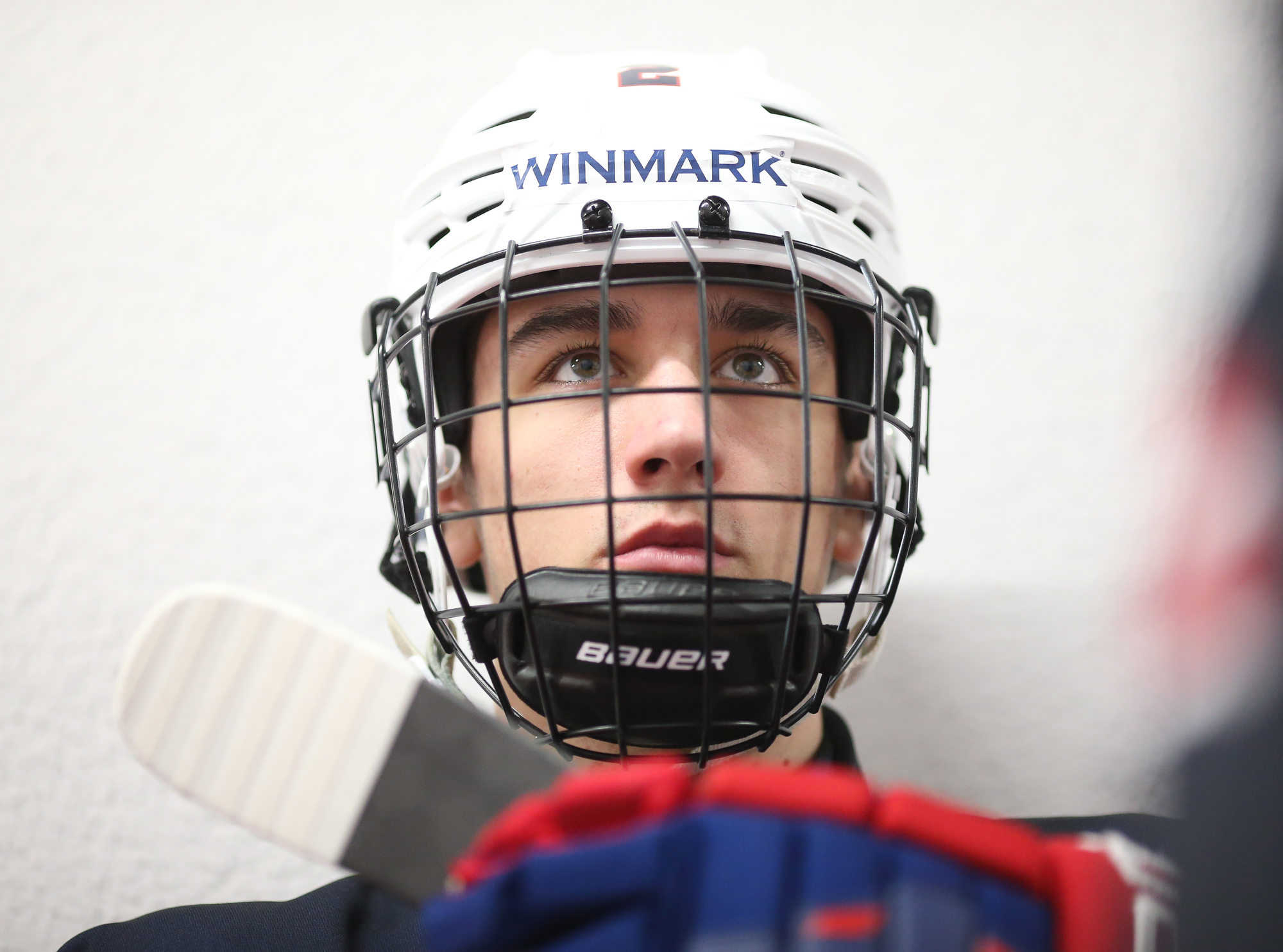 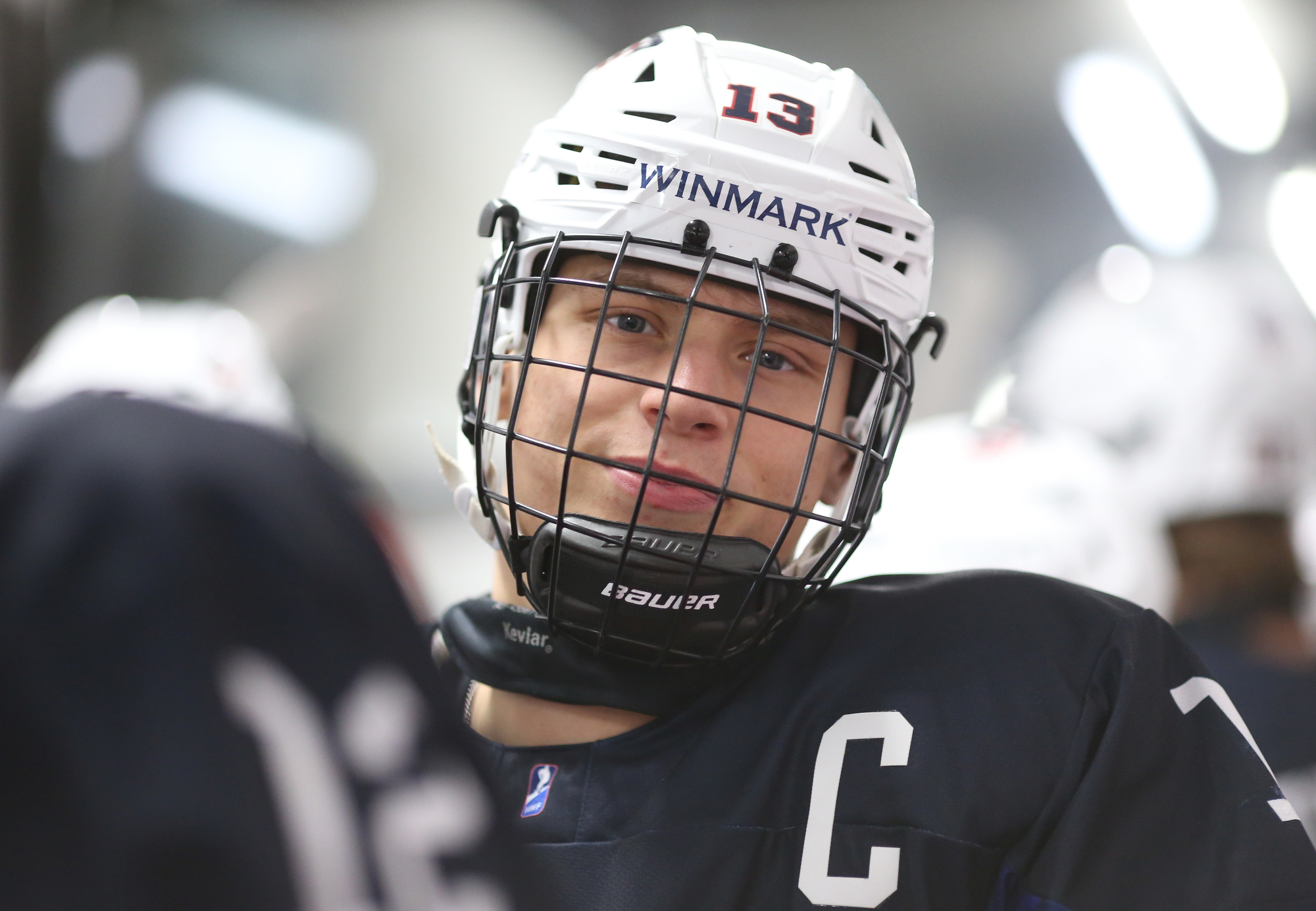 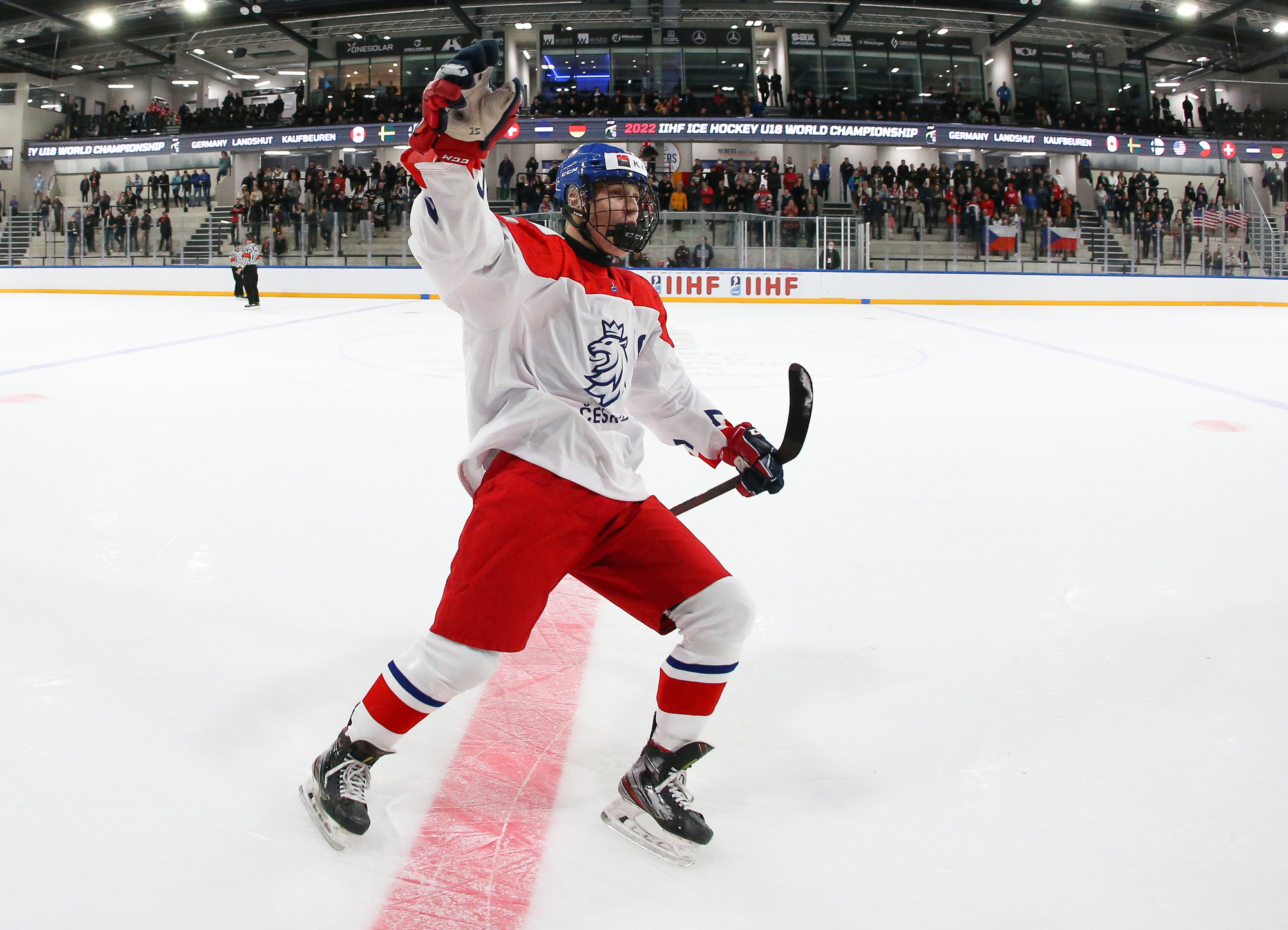 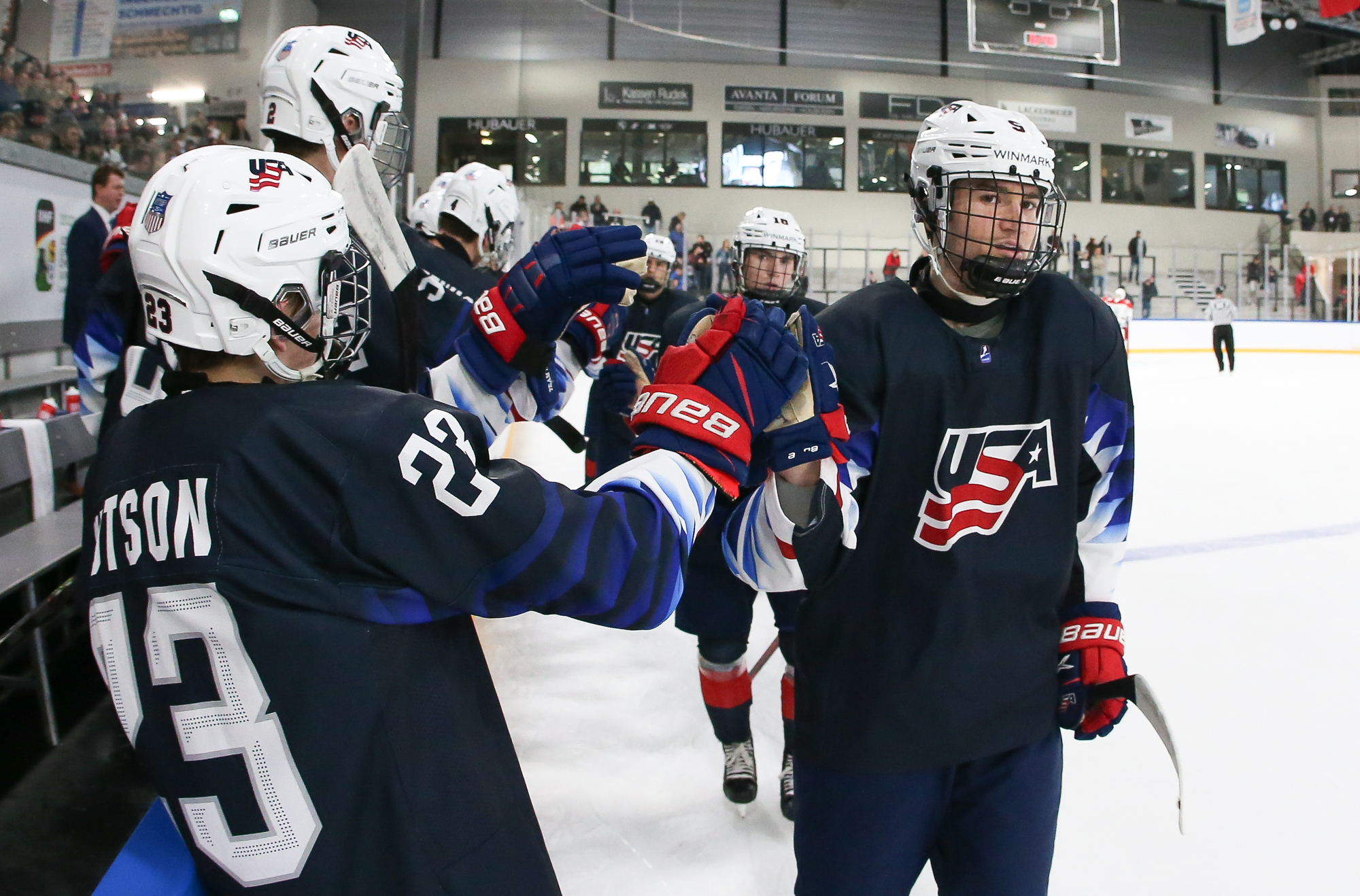 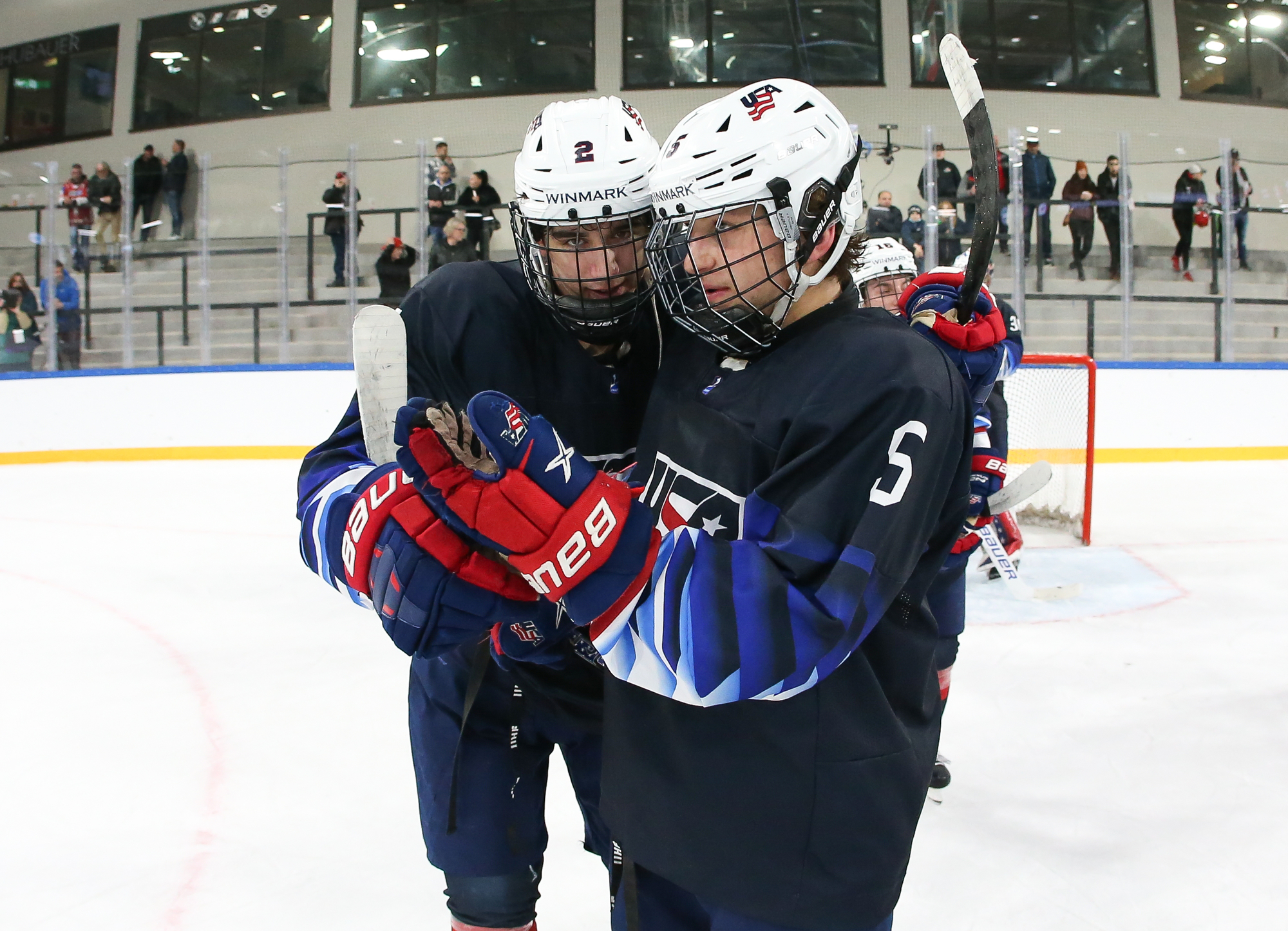 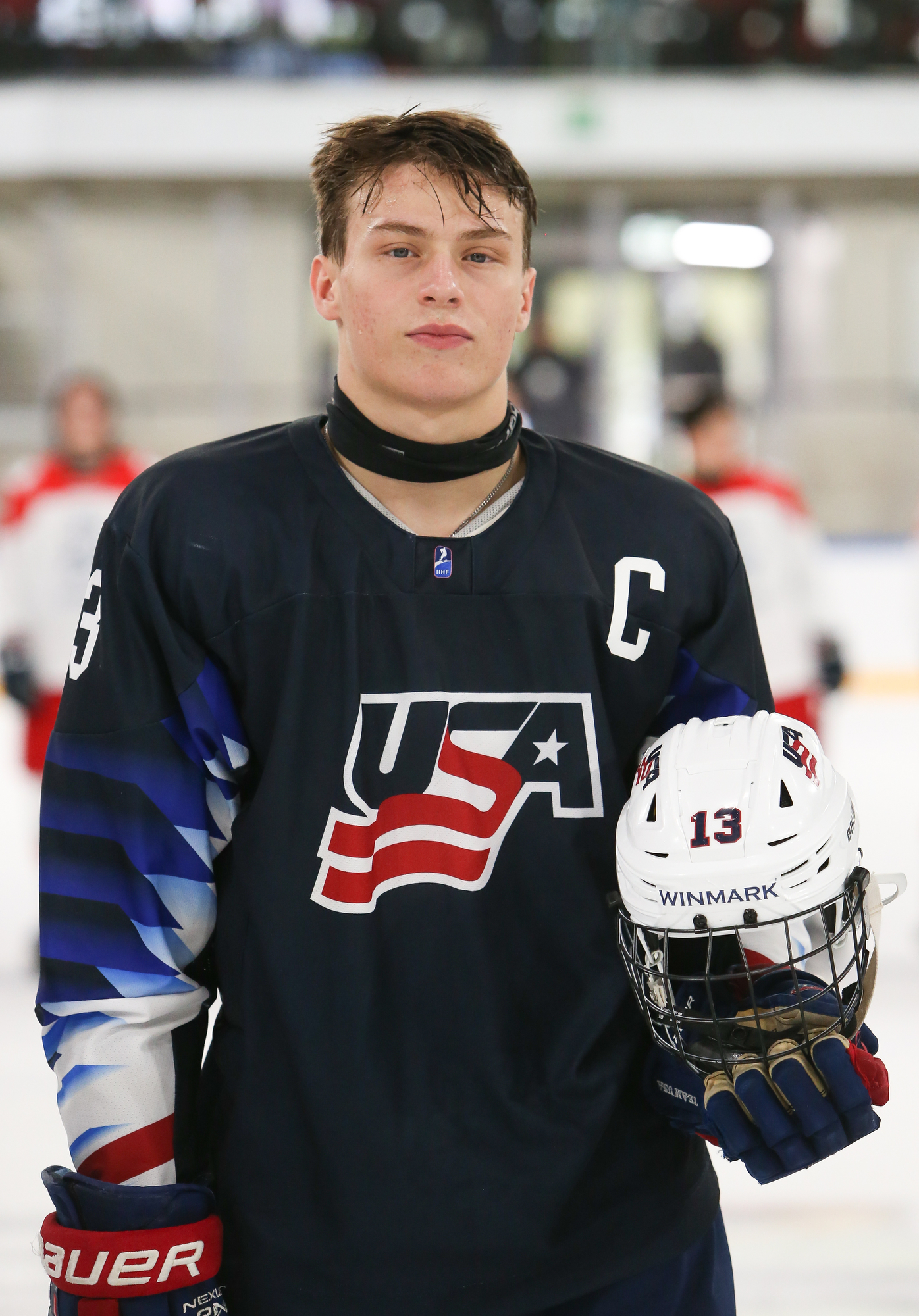 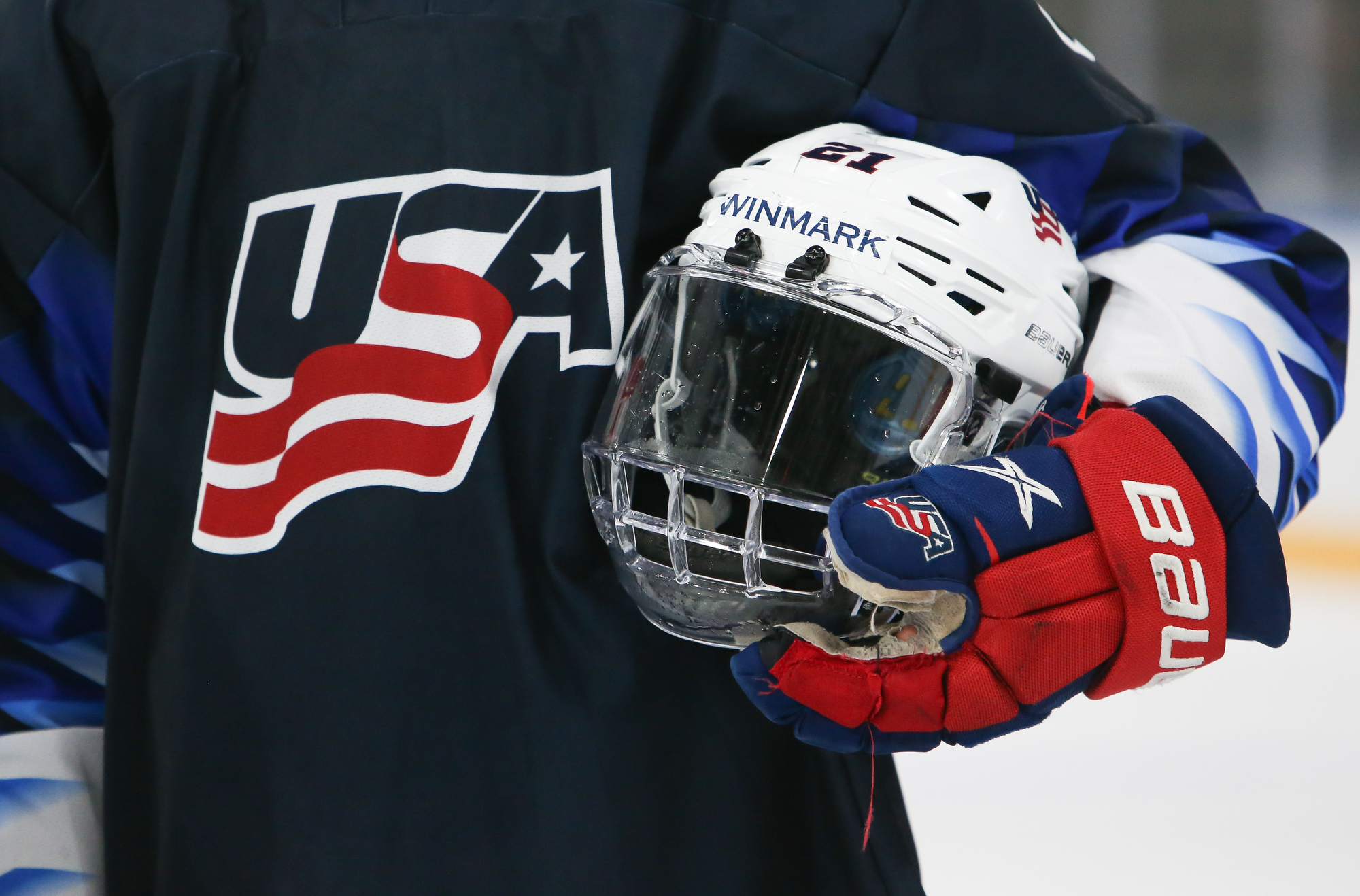 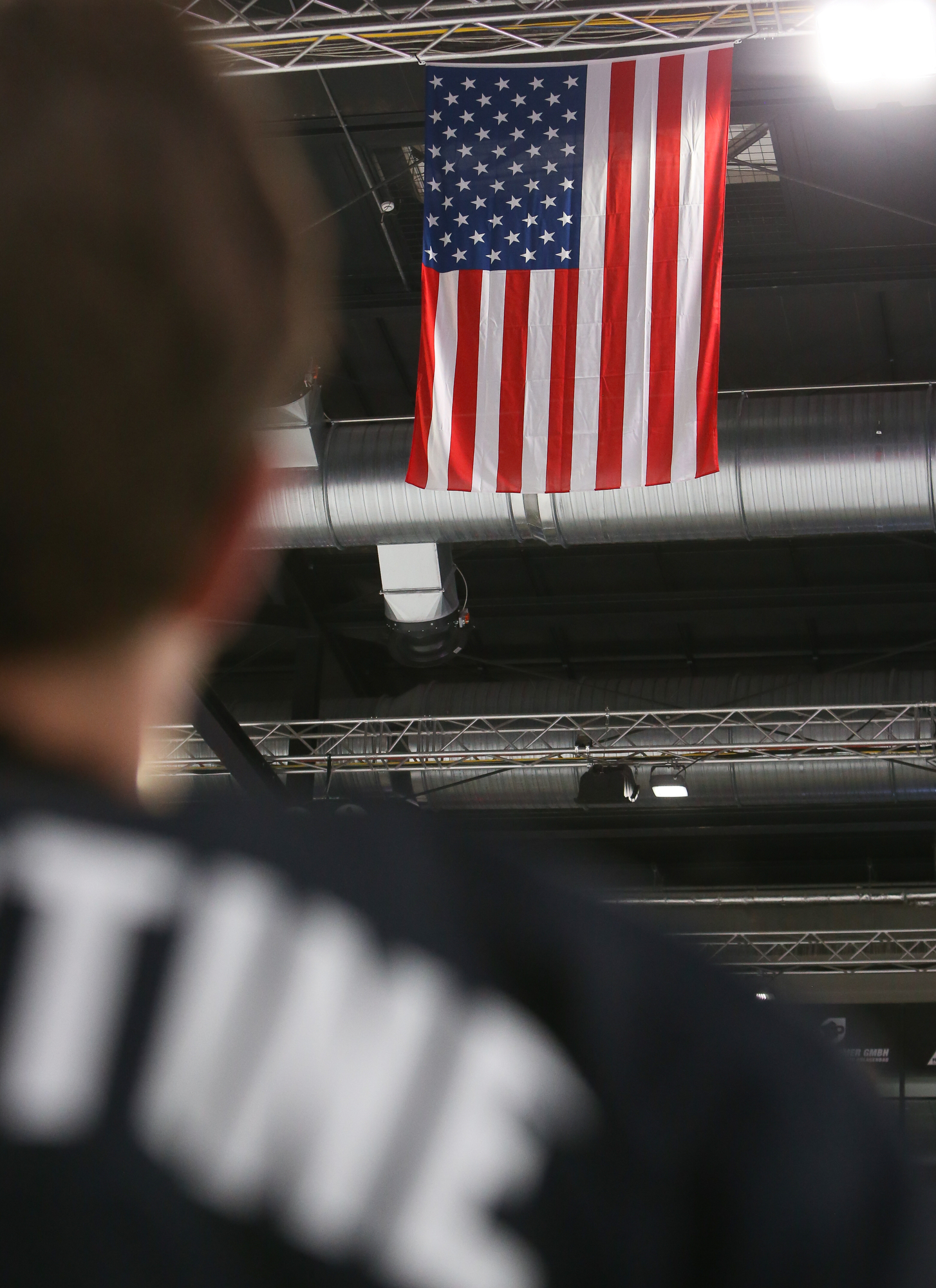