Champs start strong
photo: Matt Zambonin / HHOF-IIHF Images
share
The United States began their defence of last year’s gold medal with a strong performance top to bottom, defeating a determined but outskilled Slovakia by a 3-2 score. The team got great goaltending when needed from Drew Commesso, who was making his Team USA debut after being the third goalie at last year's World Championship.

Commesso kept his team in the game in the early going, had an idle second period, and then was challenged time and again in the third as Slovakia did everything but tie the game. Martin Chromiak had both Slovak goals and nearly had a third in the dying moments with the goalie out, but his wicked one-timer just missed.

"The guys definitely made it easier for me in the second when I didn't get as many shots, but that's goaltending," Commesso said. "You have to stay mentally and physically engaged. I feel like I did a good job of that in the second and in the third I was still engaged and ready. It's nice to get the first win, but now we're focused on recovering and getting ready for the next game."

At the other end, Slovak goalie Simon Latkoczy was equally brilliant in stopping 39 of 42 shots.

It was the ninth win for the U.S. in the last ten meetings between these teams dating back to 2009.

"I thought we were okay," said U.S. captain Jake Sanderson by way of assessment. "It was kind of a funny game. Drew was super busy for certain parts of it, so it's kind of on the guys to stay dialled. It's also a reminder you can't take any country lightly. We have to be ready every night. But you have to find ways to win. It's not going to be pretty hockey for 60 minutes. You have to chip away, get pucks deep, and just get to work. That's winning hockey."

"It's my job to have a big role here and to score goals, so that's what I'm trying to do." Chromiak stated. "But this game showed us how strong this Group is. If we don't play 60 minutes, we're not going to win. I think if we play our best game, we can beat anybody. We have a really good group of guys."
World Men U20
United States vs Slovakia - 2022 IIHF World Junior Championship
The United States began their defence of last year’s gold medal with a strong performance top to bottom, defeating a determined but outskilled Slovakia by a 3-2 score.
USA SVK 26 DEC 2021
Commesso gave his team the boost it needed in the early going. The U.S. started slowly and incurred the first two penalties, but the goalie was there with a full toolbox of sharp play—pad save, glove save, even a bit of luck with a save off the shaft of his stick. But the tide turned when the Slovaks took two quick penalties, giving the U.S. a five-on-three for 21 seconds. That doesn’t sound like much, but it was plenty to get the Americans going.

Ten seconds after the ensuing faceoff, the U.S. controlled the puck and Dominic James fired a perfect pass to Matthew Knies, who one-timed the shot past Latkoczy at 13:35. That brought one Slovak player out of the penalty box, but before his teammate could come out the Americans had scored again.

This time it was a shot by Mackie Samoskevich, who wired a shot crossbar and in in impressive fashion.

"Mack scored a beautiful goal for us tonight, but he doesn't get a lot of credit for what he does away from the puck," Sanderson noted. "He's always moving his feet, and even though he's a smaller guy he plays physically when we need it."

If the U.S. had started the game with a little wobble, they were virtually perfect in the second period. And if Commesso held his team in the game early on, his counterpart Latkoczy was nothing short of brilliant in a second period in which the Americans held a 23-2 advantage in shots. Slovakia’s only two shots, in fact, came in the final 61 seconds of the period.

Latkozky stoned Samoskevich on a breakaway early on and then made a string of fine saves. The U.S. got the only goal of the middle 20 minutes after Wyatt Kaiser’s high shot bounced behind Latkoczy, where Landon Slaggert got to the loose puck first and pushed it home at 12:42.

Slovakia’s best chance came late in the period when Juraj Slafkovsky made a nice move to get to the slot, but his backhand beat Commesso only to ring harmlessly off the post.

The Slovaks started the third on the power play, and they connected with the fresh ice to get back in the game. Chromiak's one-timer beat Commesso before he could come across the crease, but the goalie proved his worth less than a minute later when he robbed Slafkovsky from point-blank range to keep it a 3-1 game.

If that wasn't enough, Maros Jedlicka had two good chances from in close moments later, but again the U.S. goalie was just that little bit better.

Chromiak scored his second of the game at 17:27 off a turnover in centre ice. He took a gorgeous pass from Oleksiy Myklukha on the ensuing odd-man rush, making for a thrilling finish. Despite puck possession and an extra attacker, though, they couldn't beat Commesso for that third goal, and the Americans left the ice with an important three points in the Group B standings.

Slovakia is right back at it in less than 24 hours, playing Sweden tomorrow night. The Americans now get a day off before facing Switzerland on Tuesday.
United States vs Slovakia - 2022 IIHF World Junior Championship 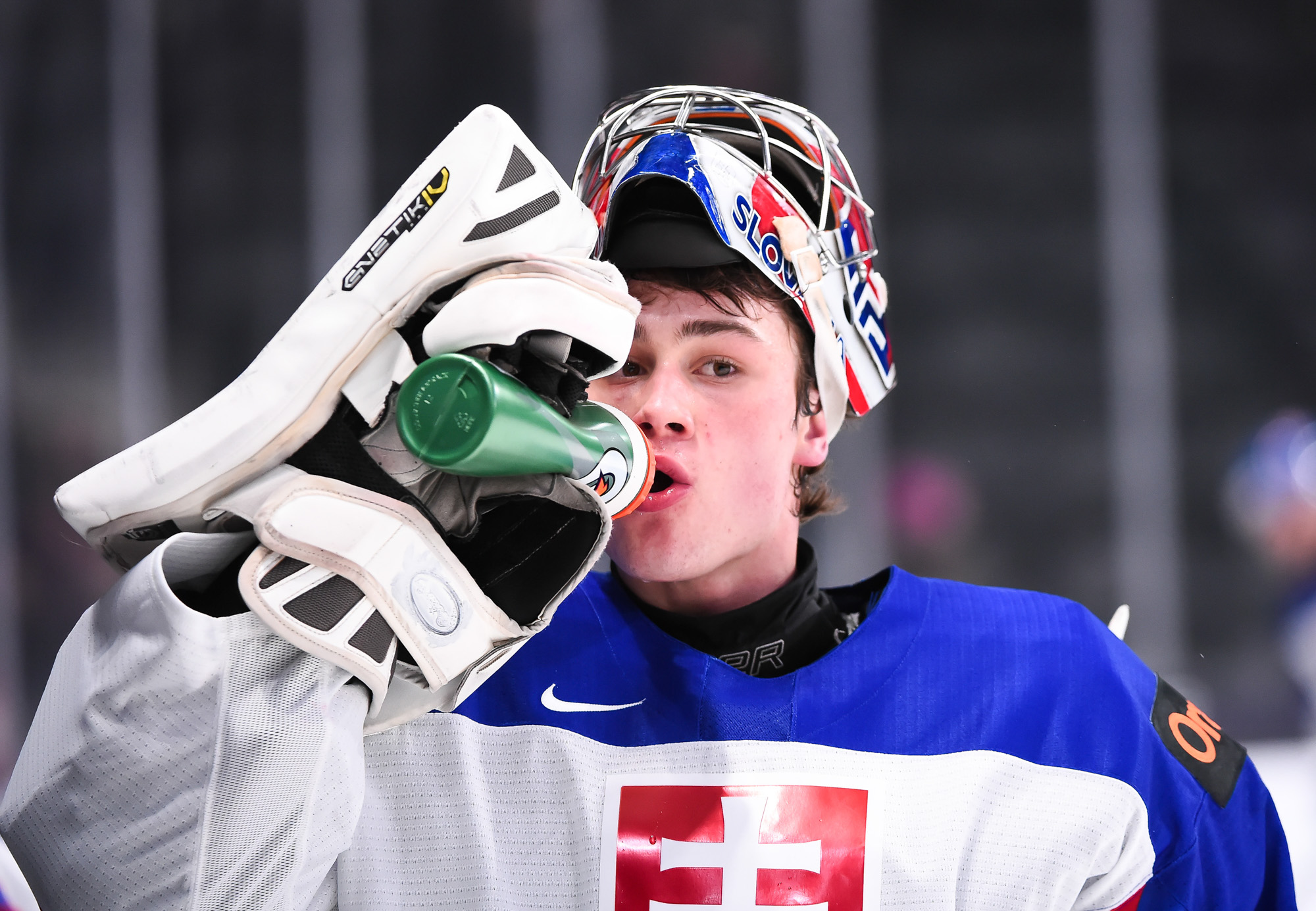 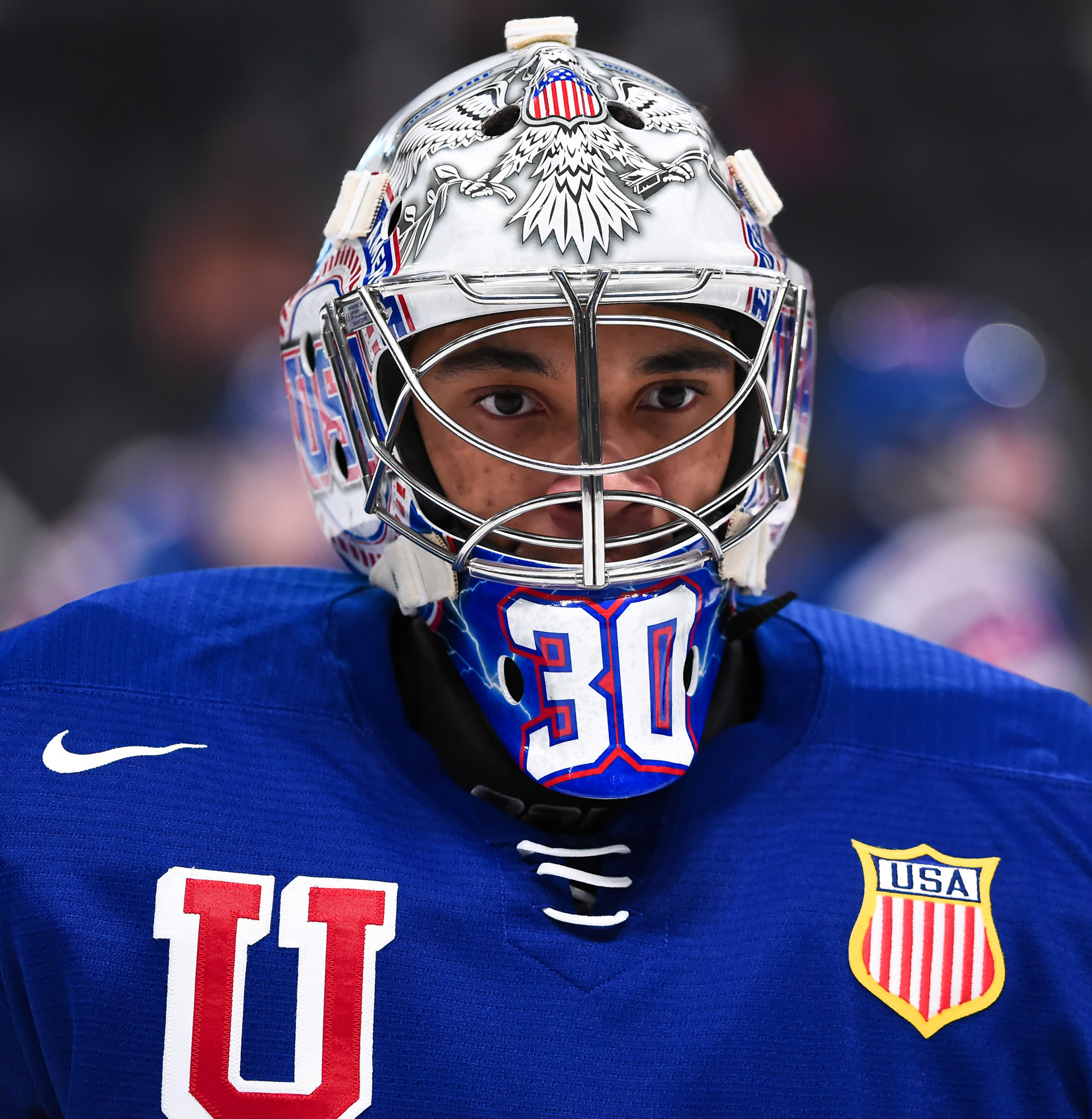 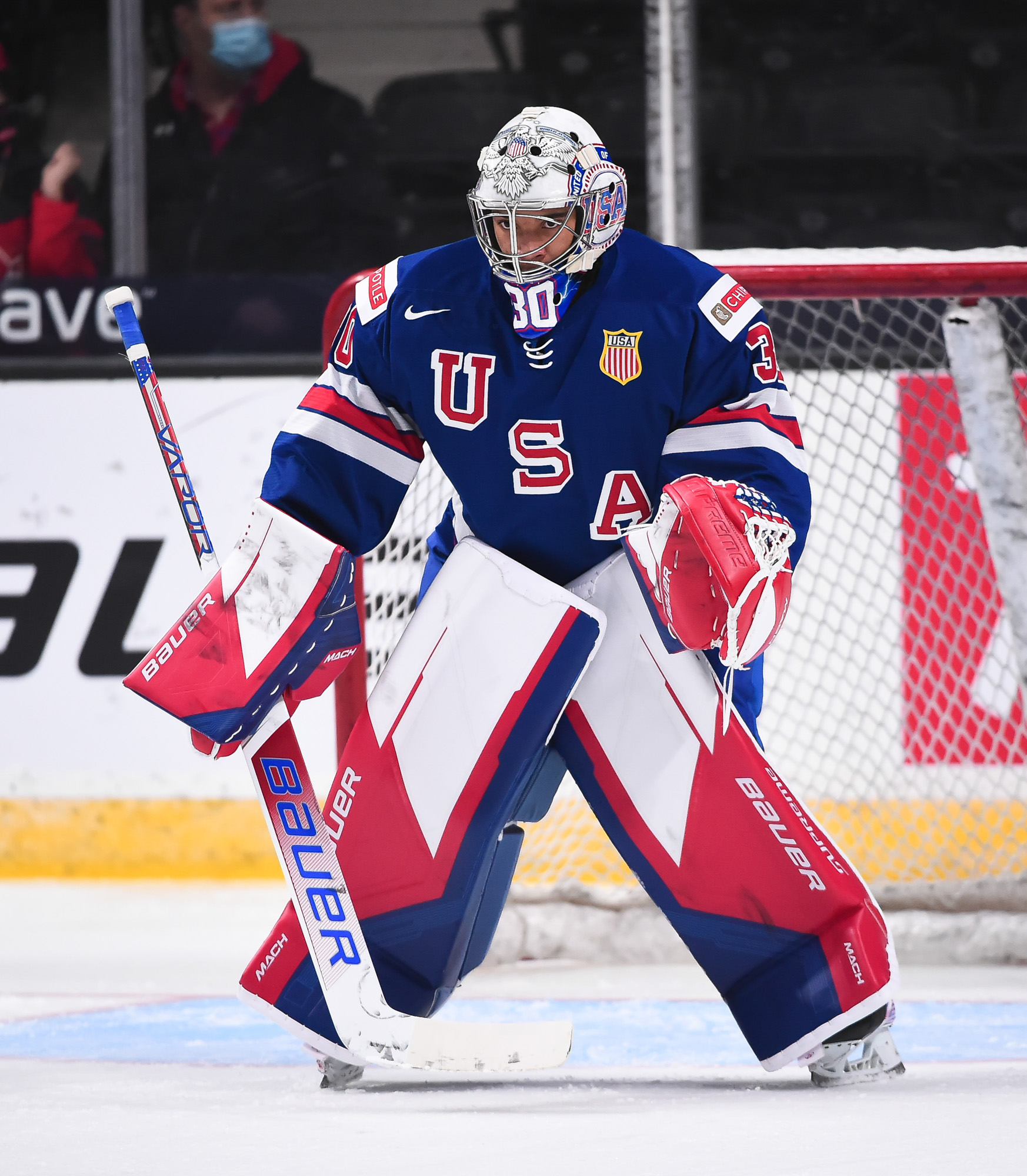 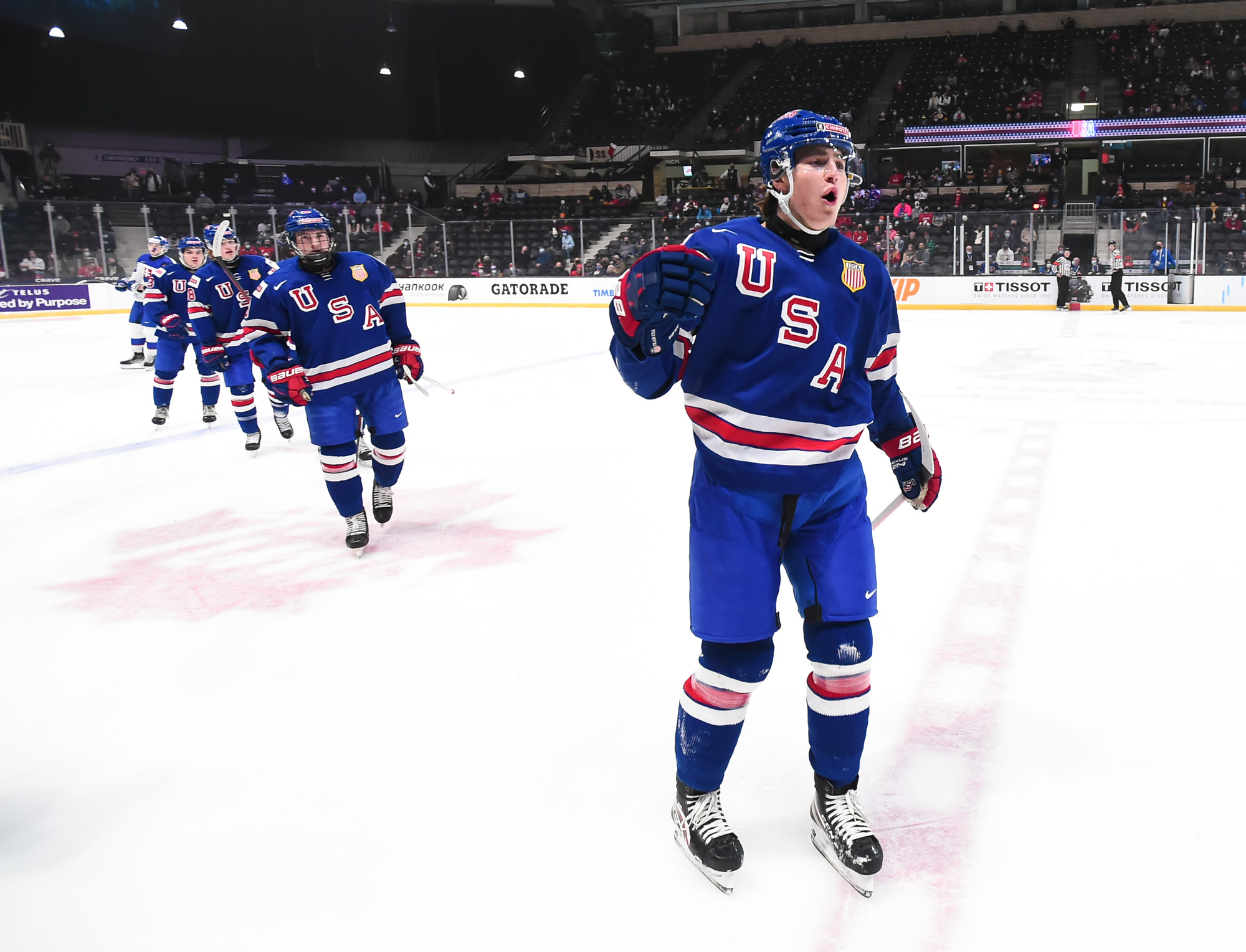 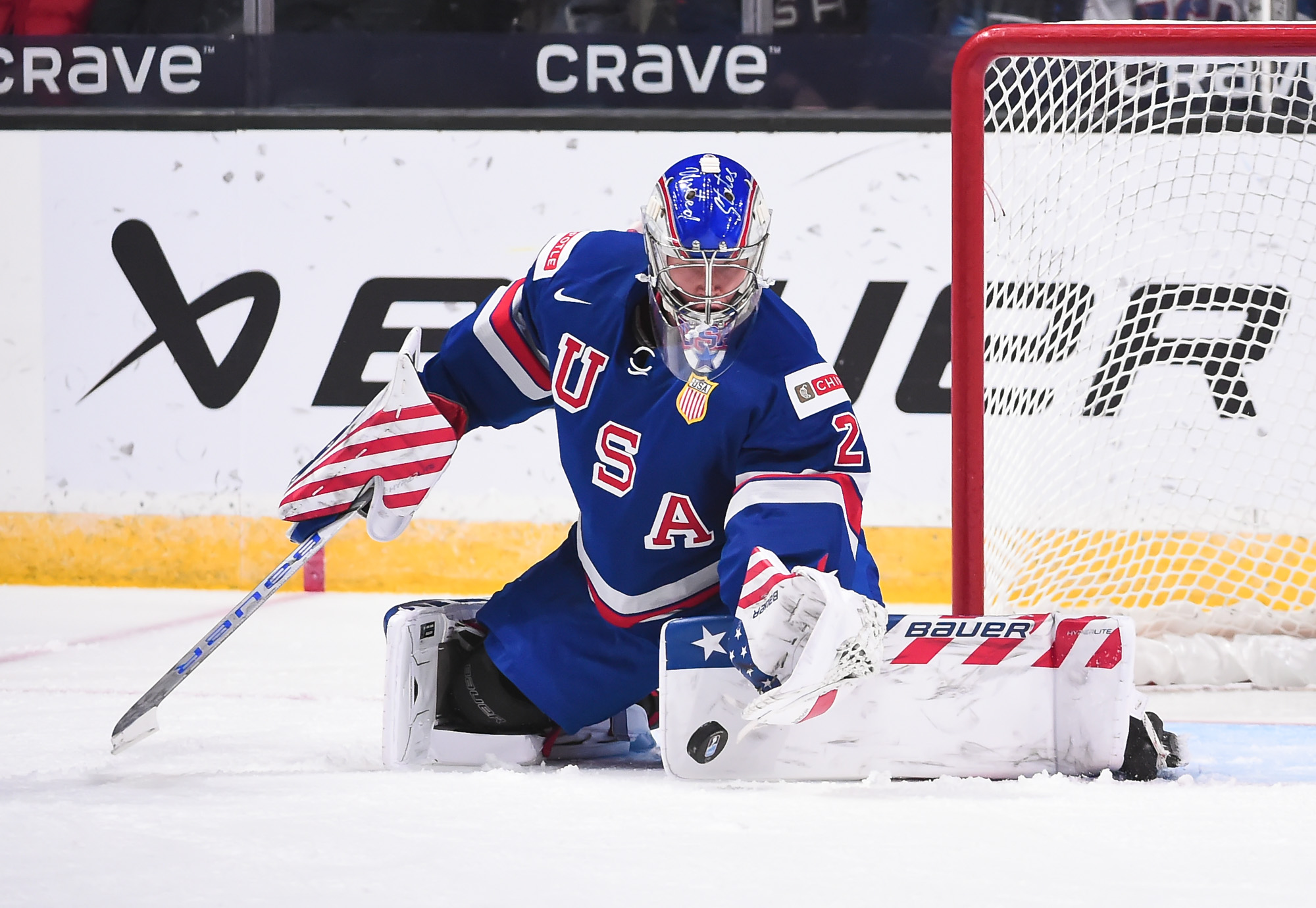 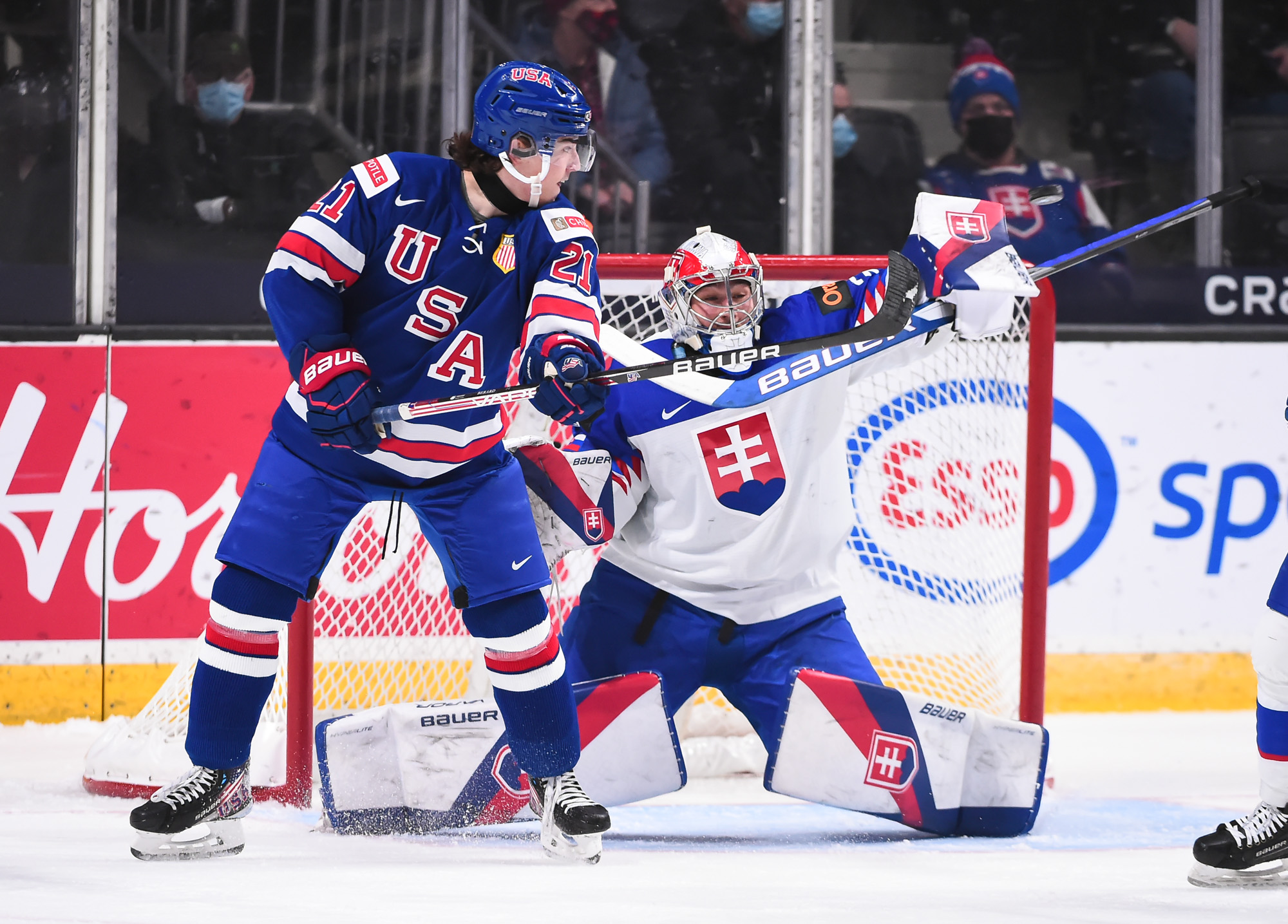 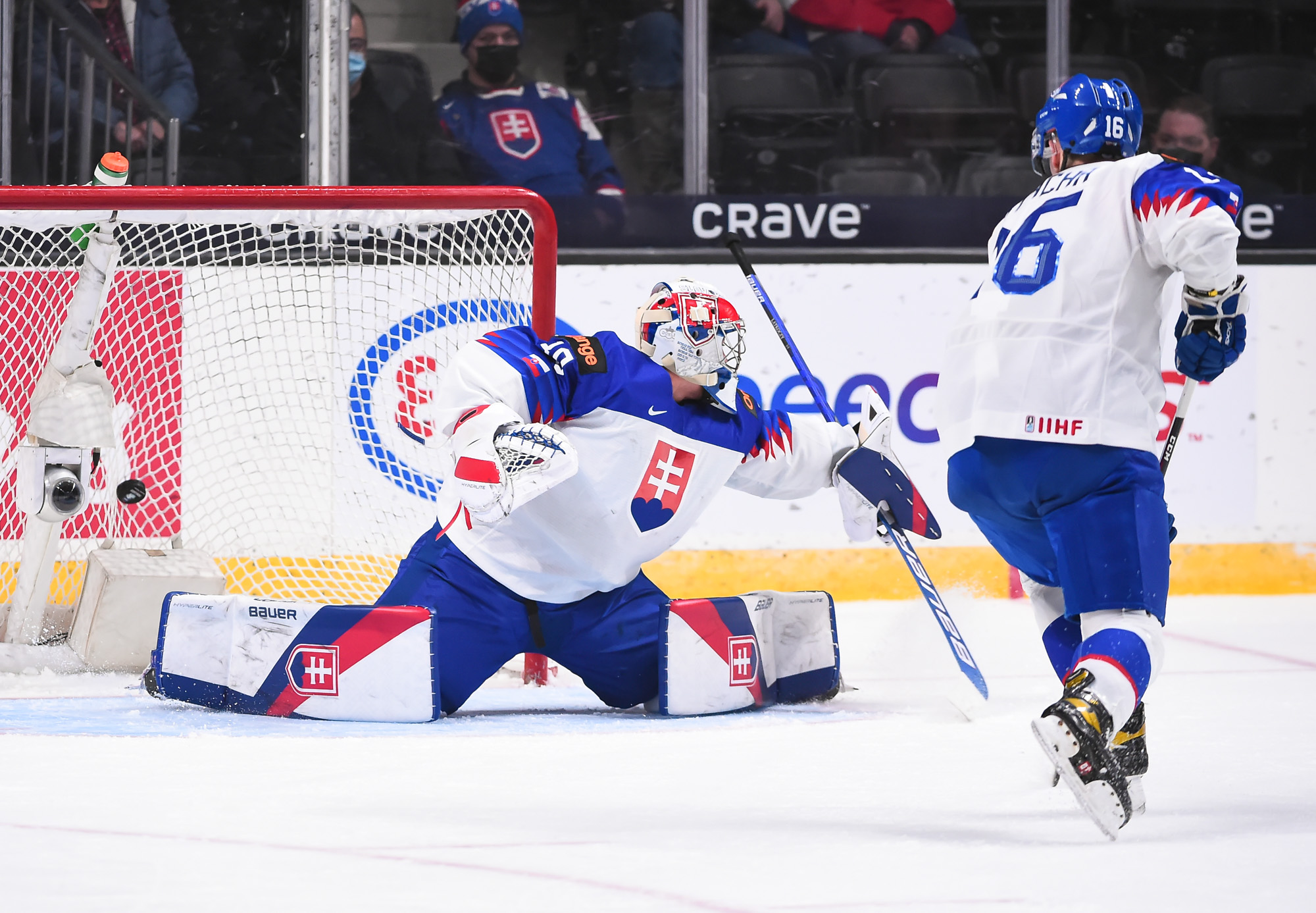 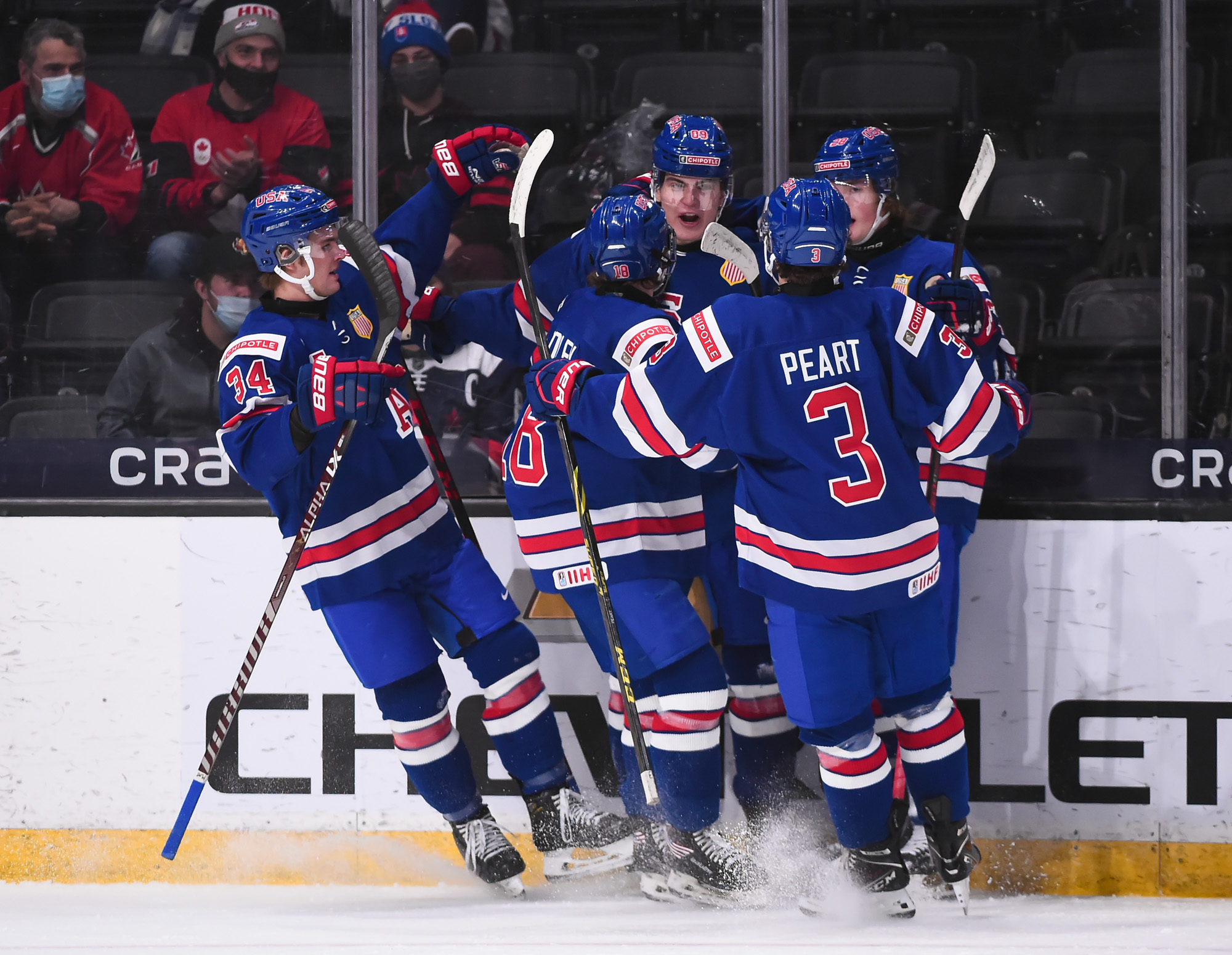 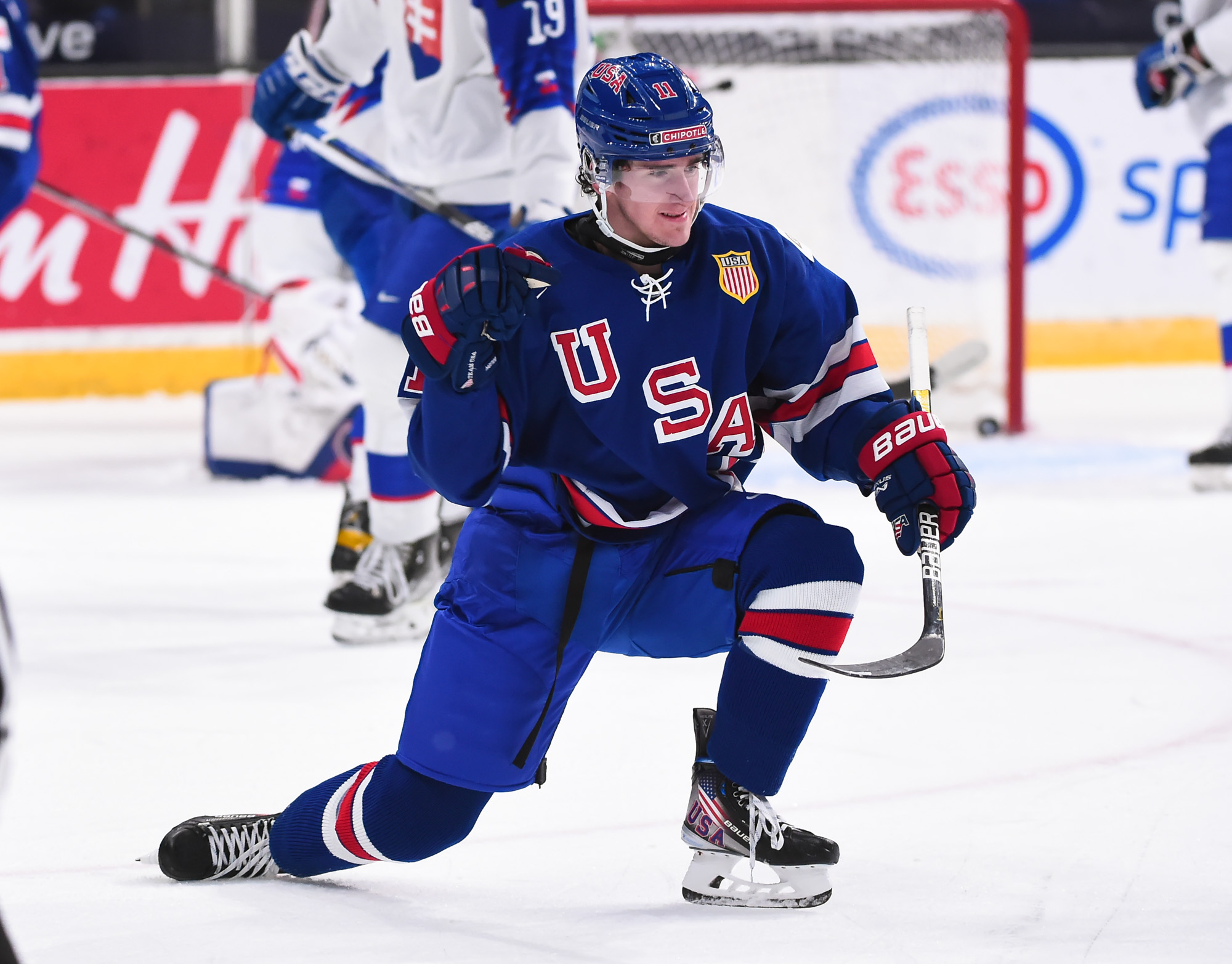 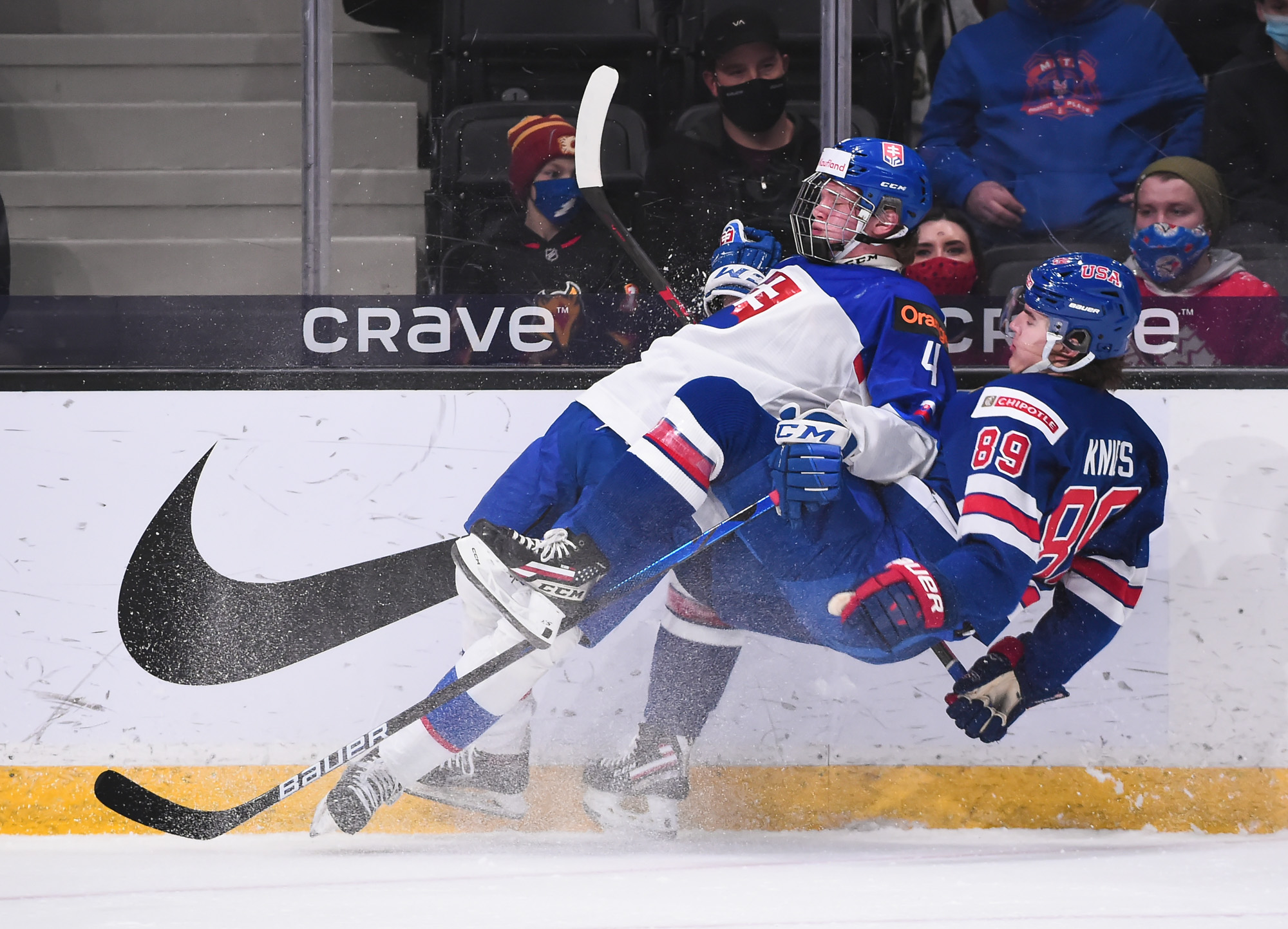 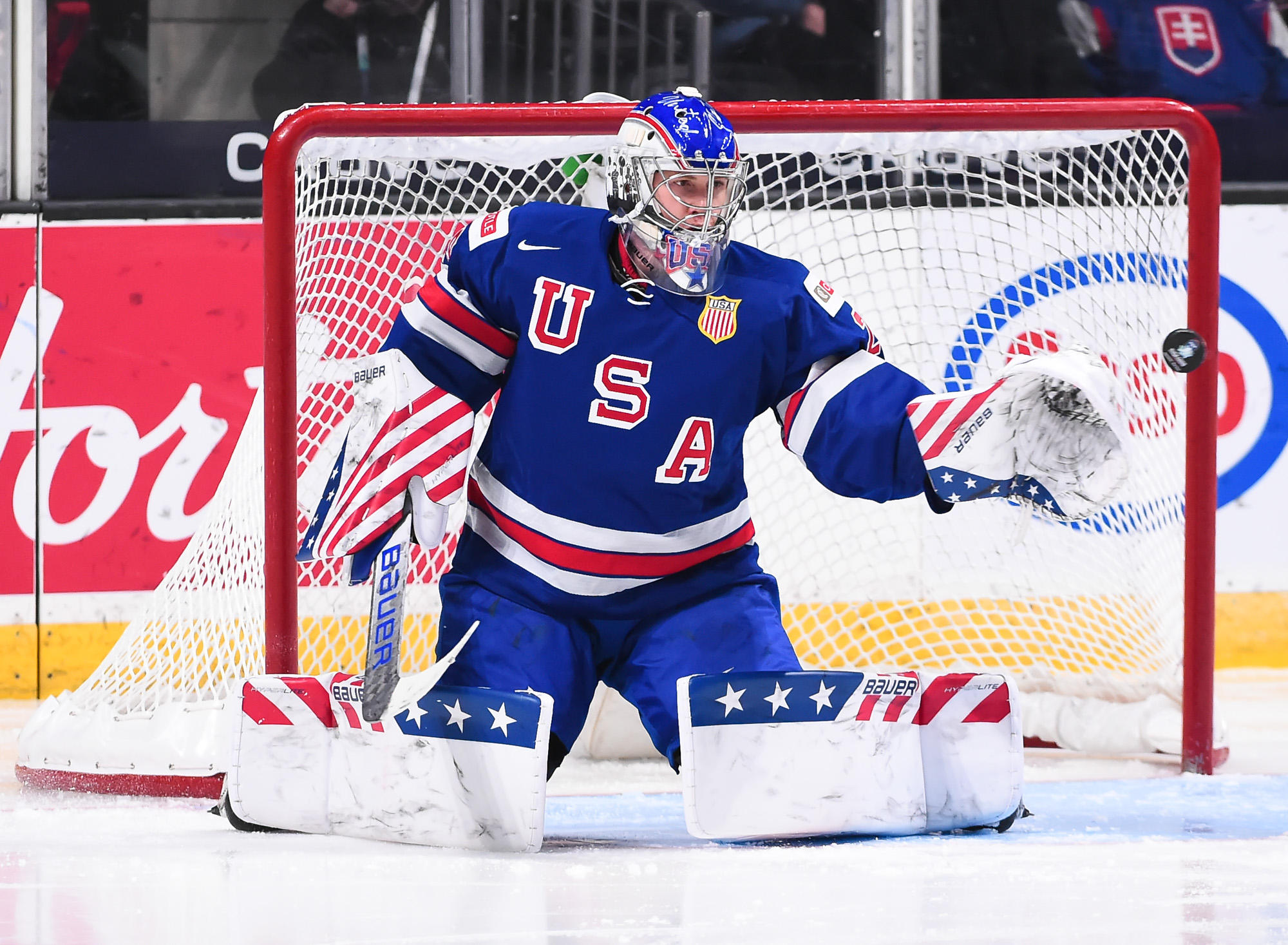 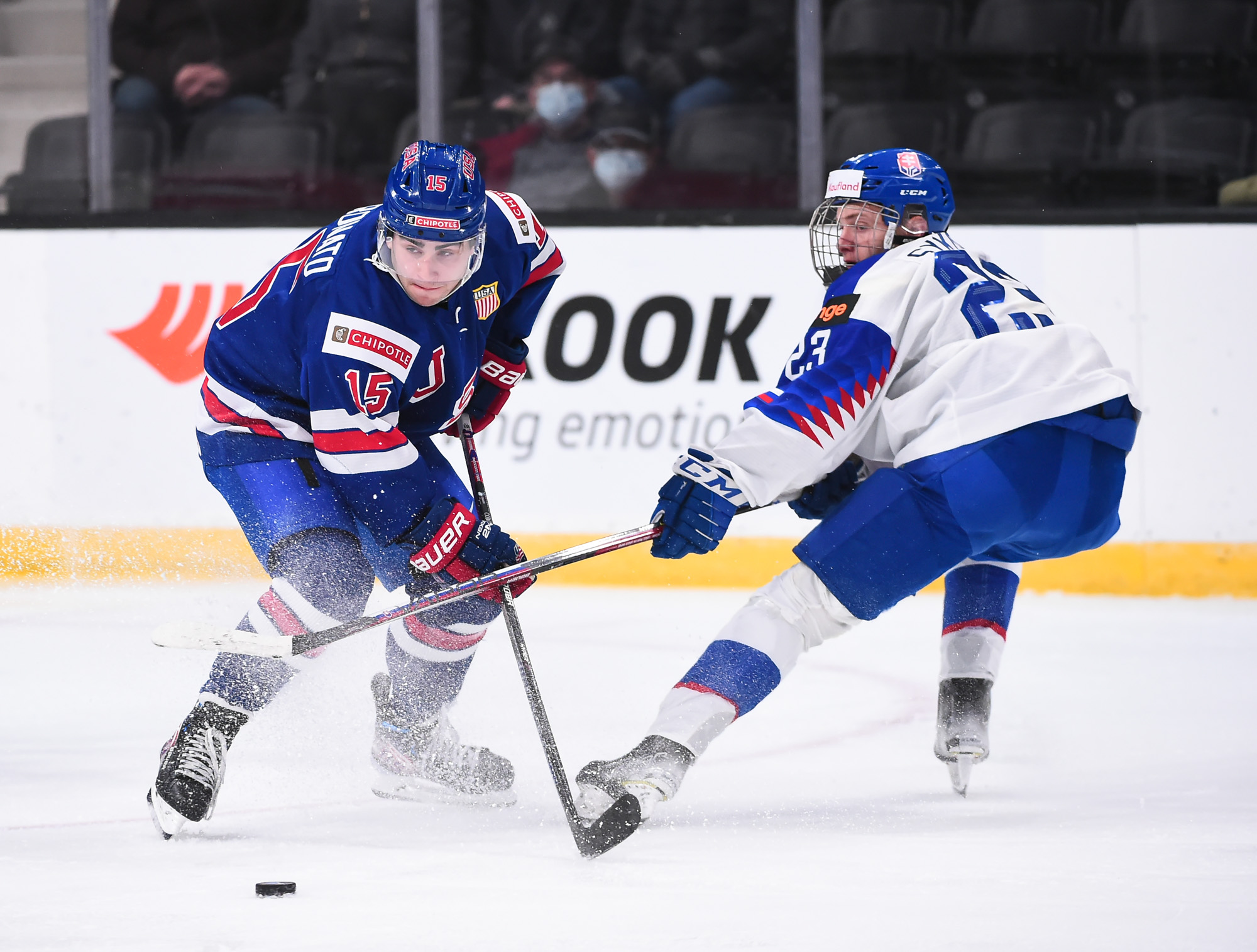 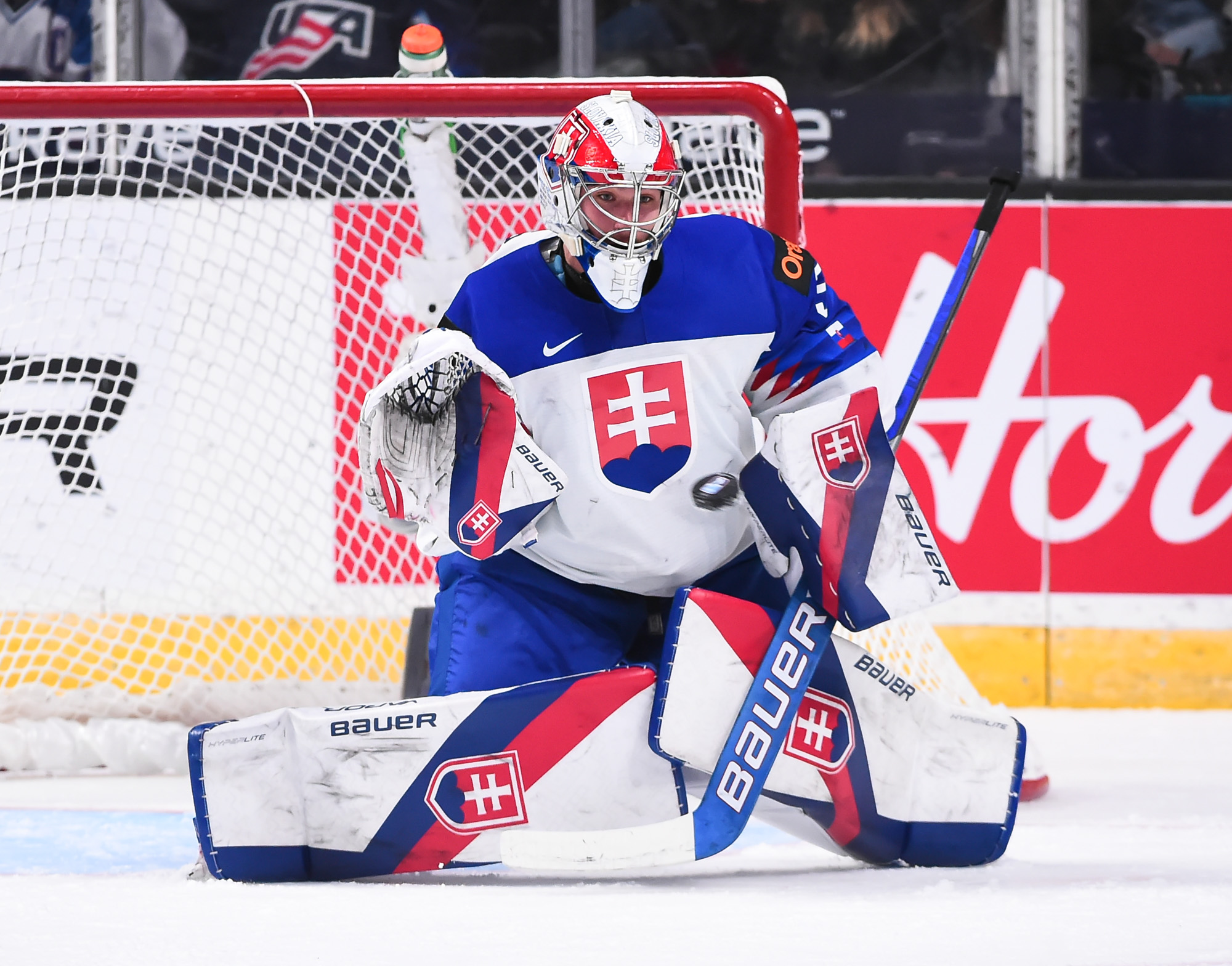 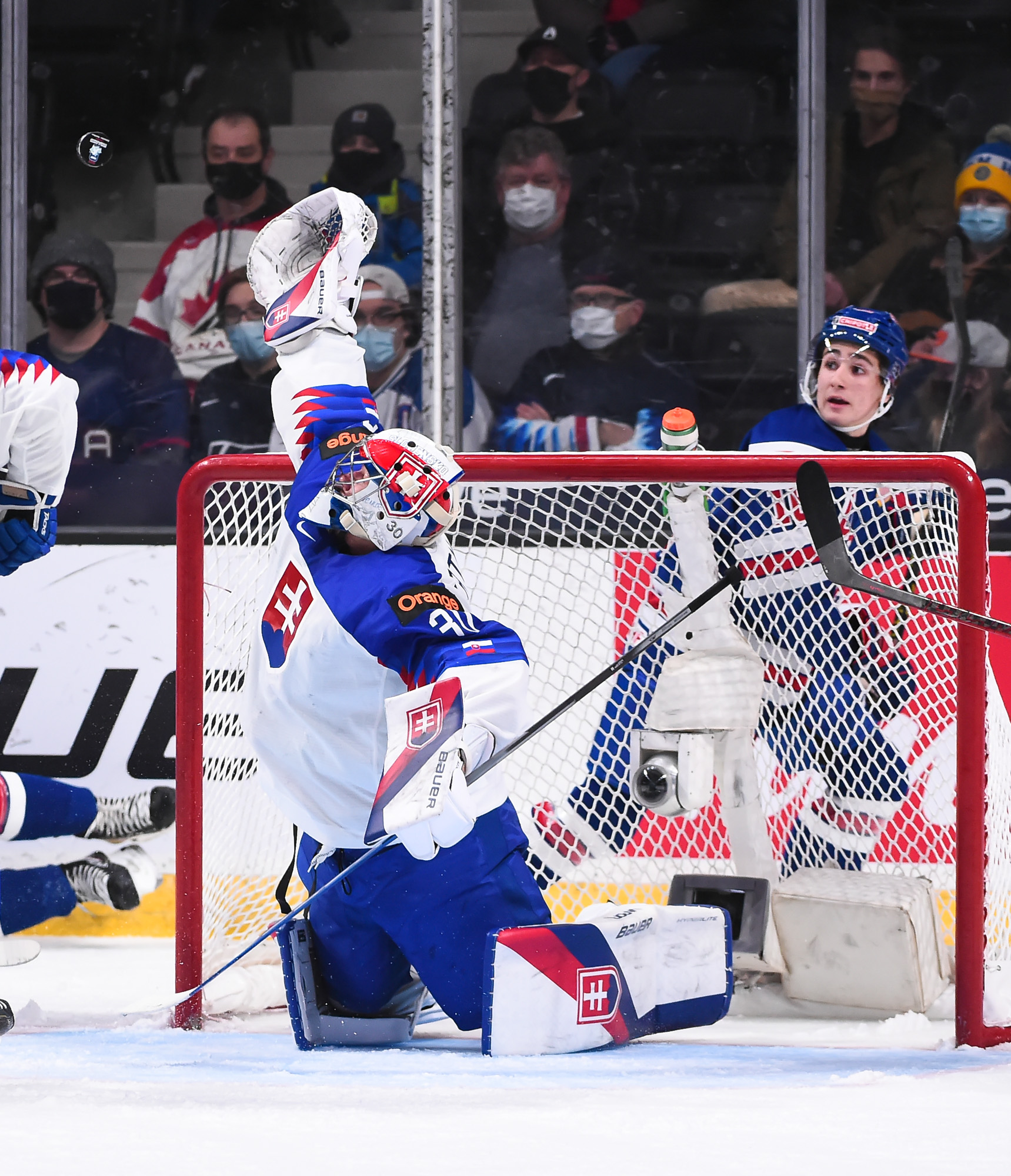 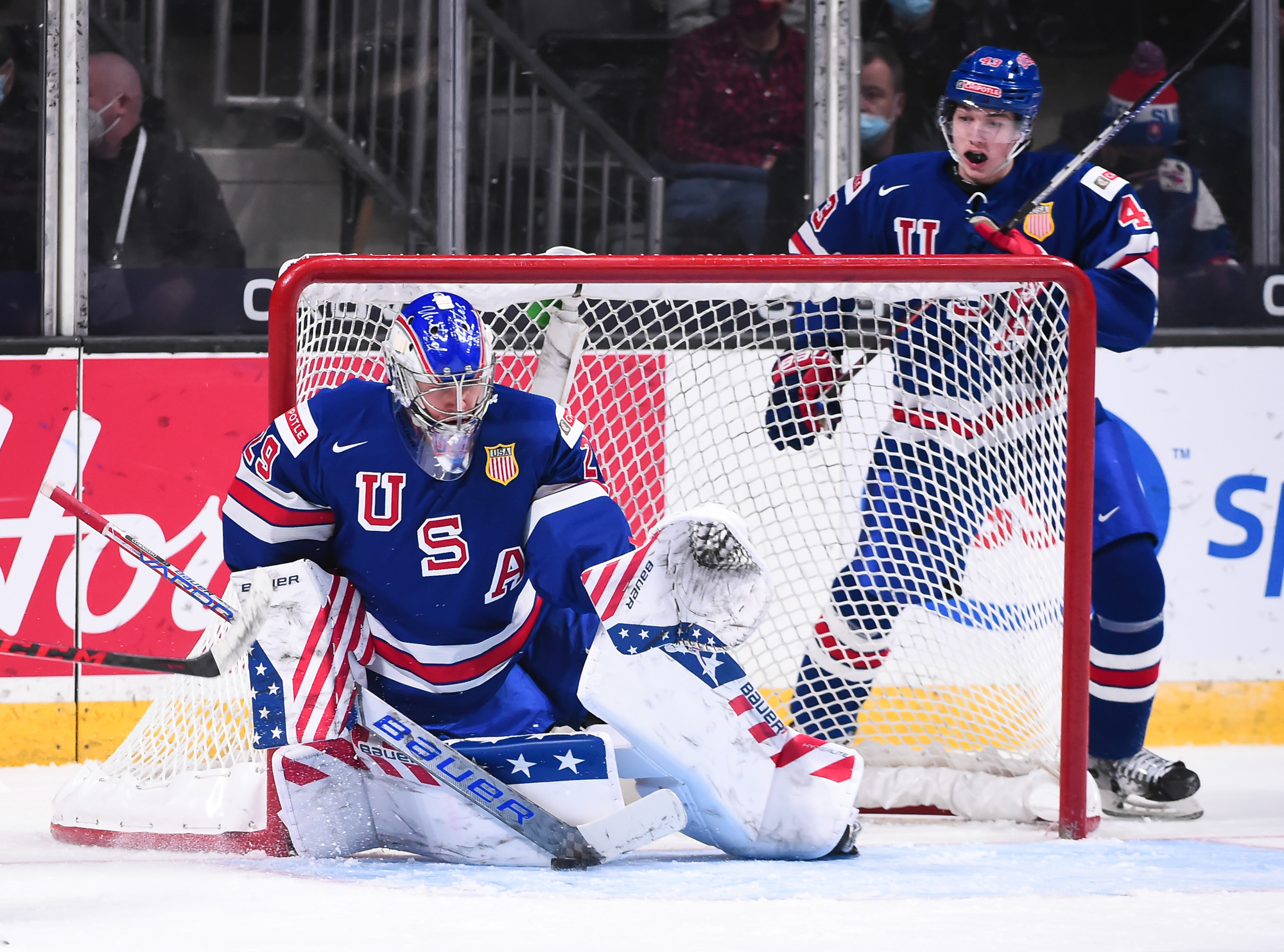 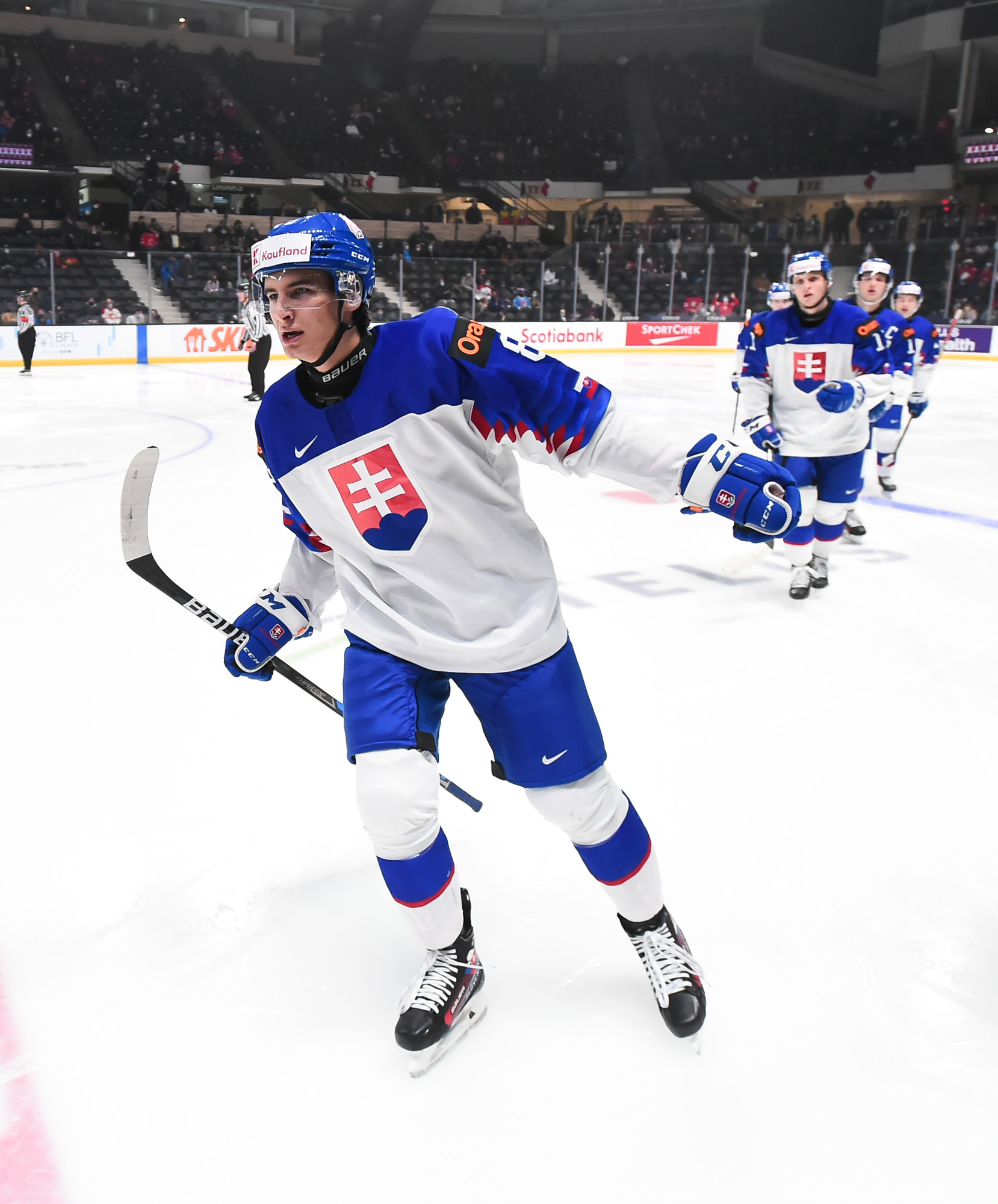 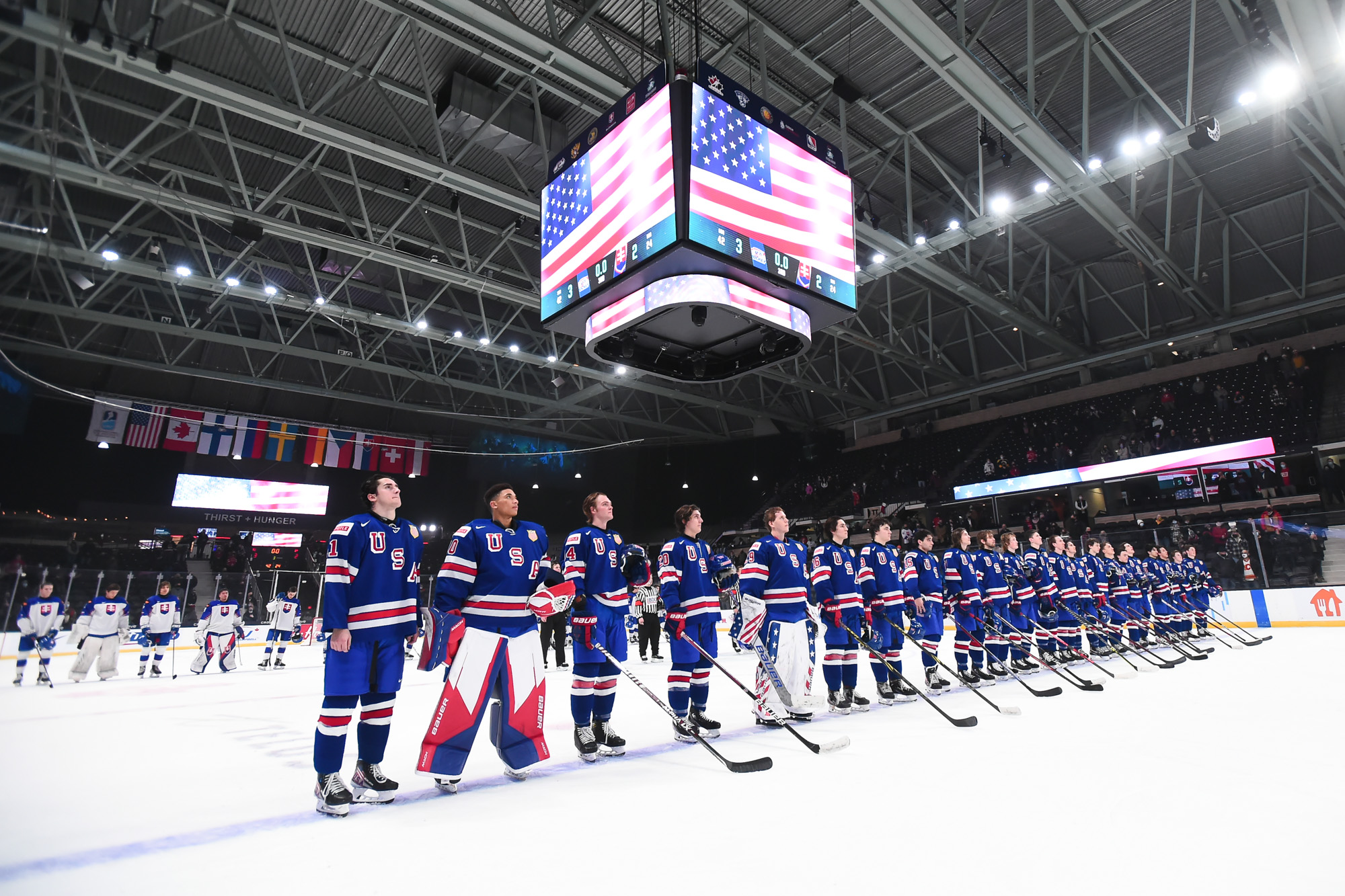 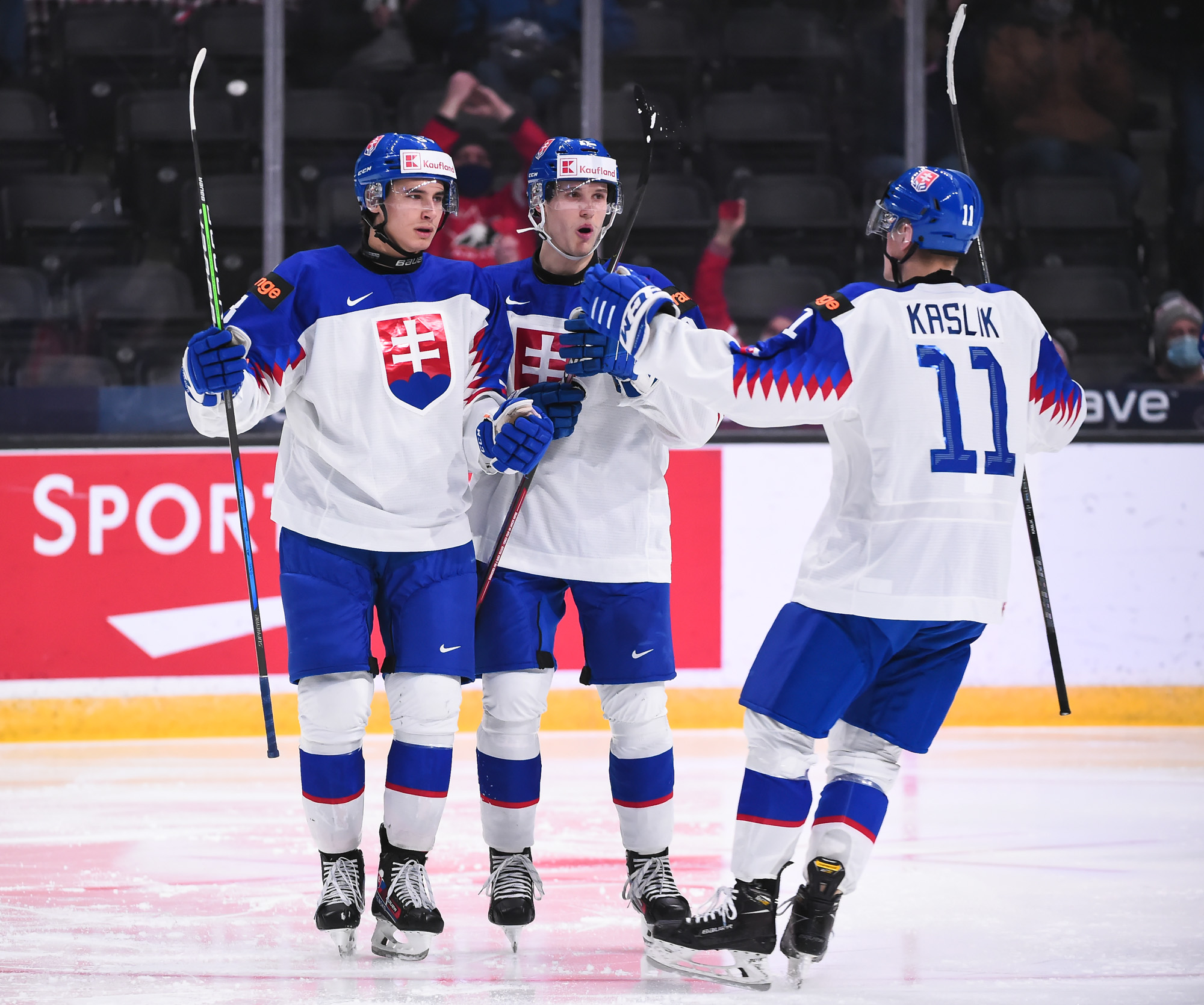 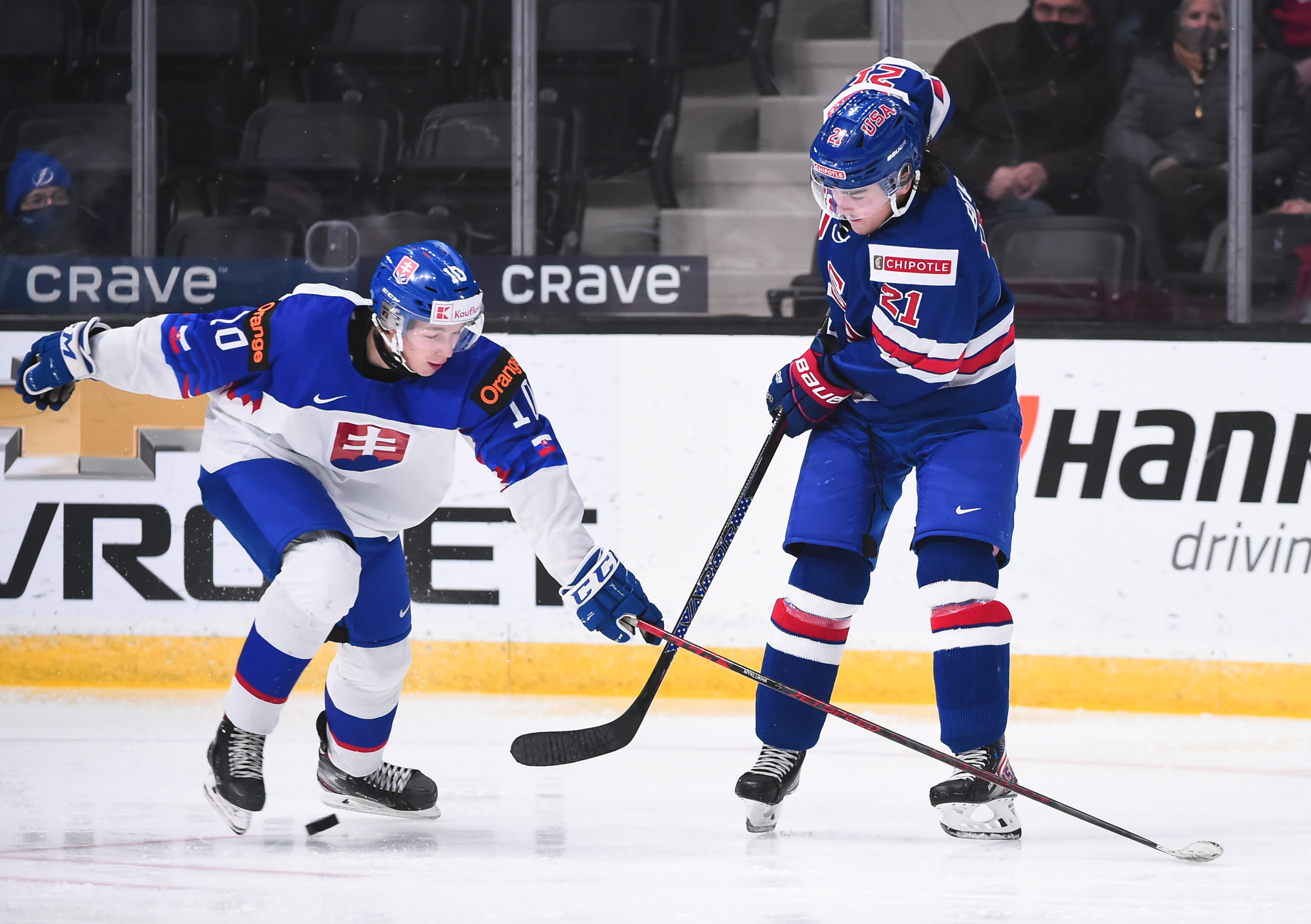 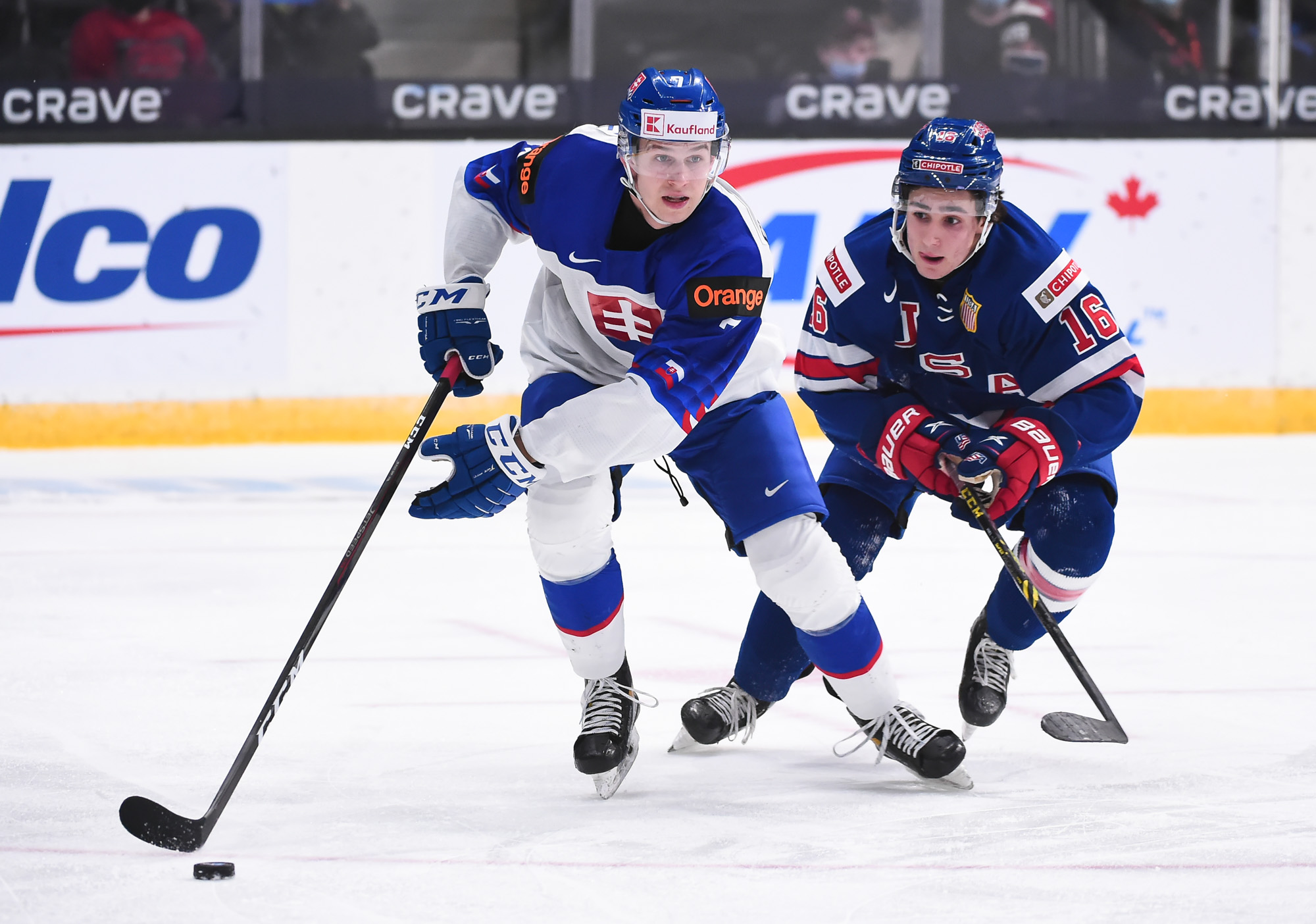 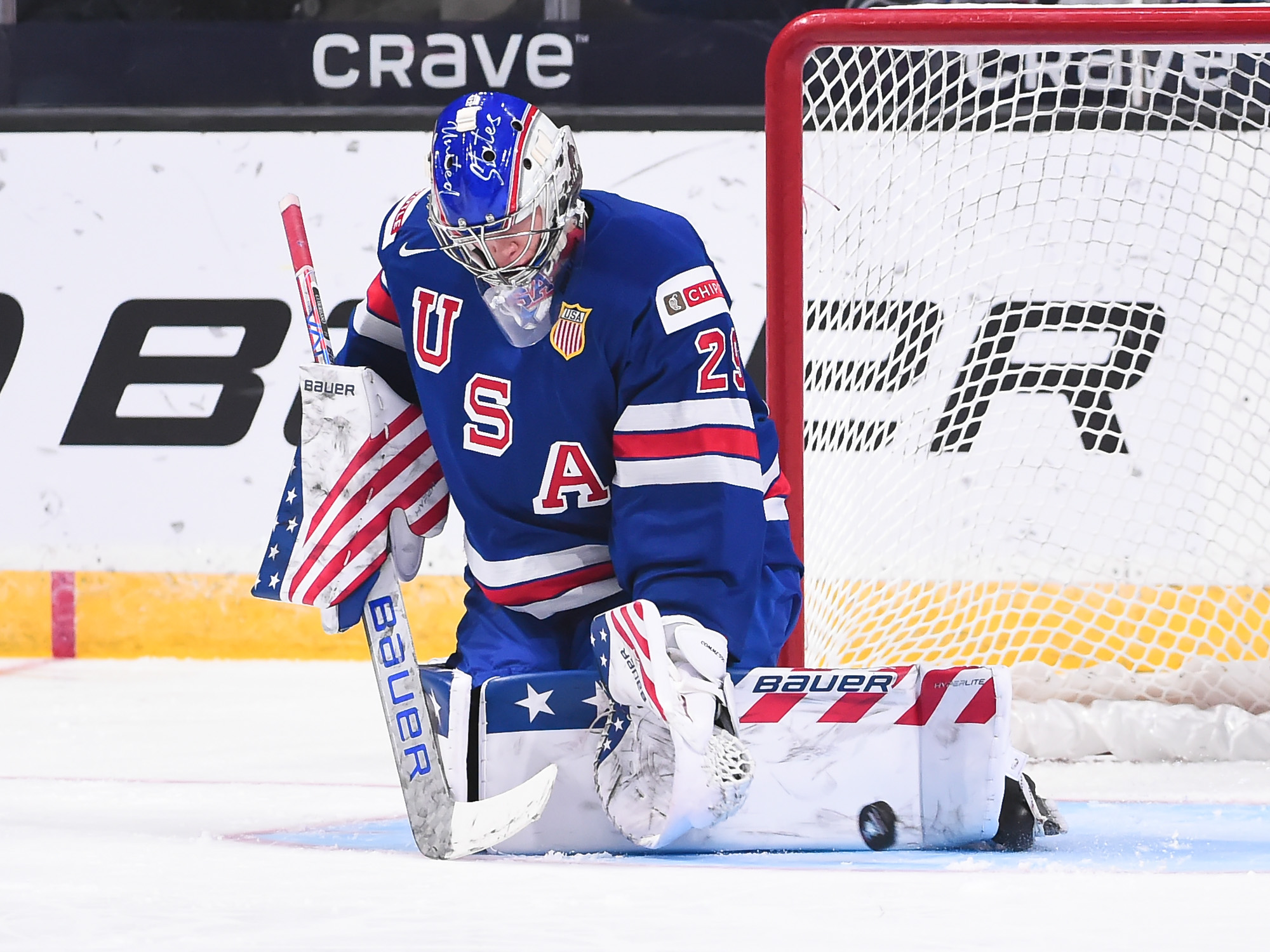 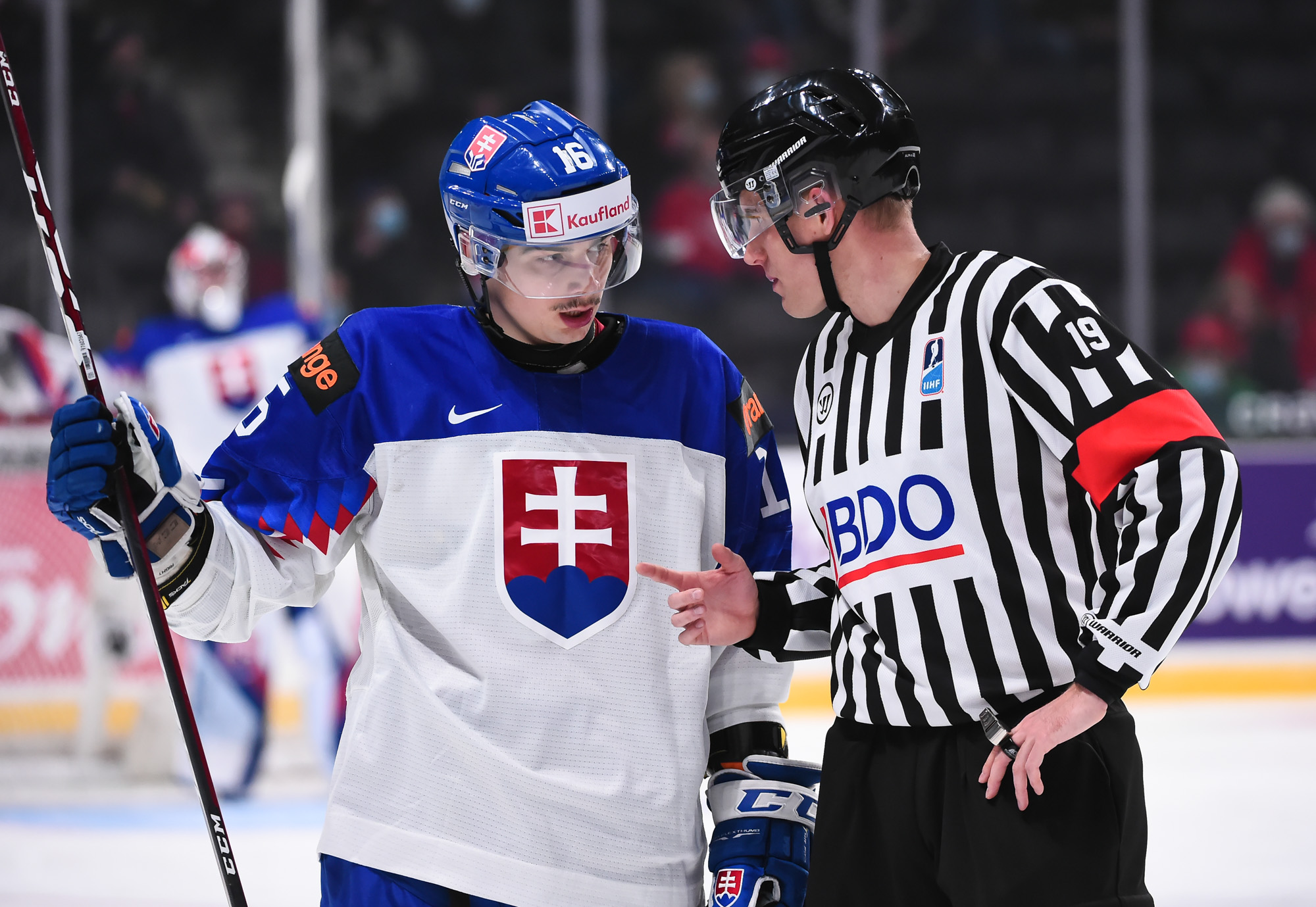 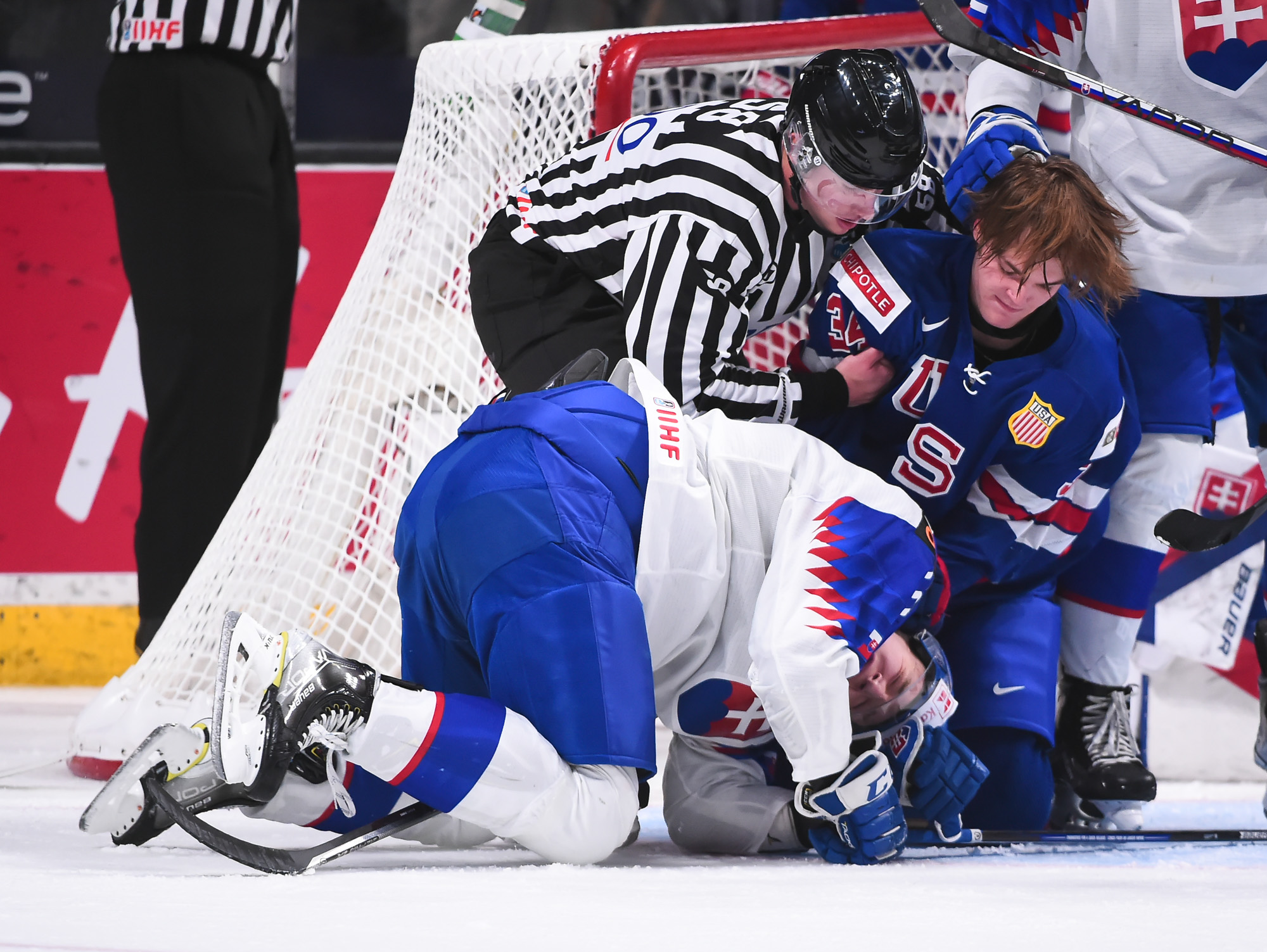 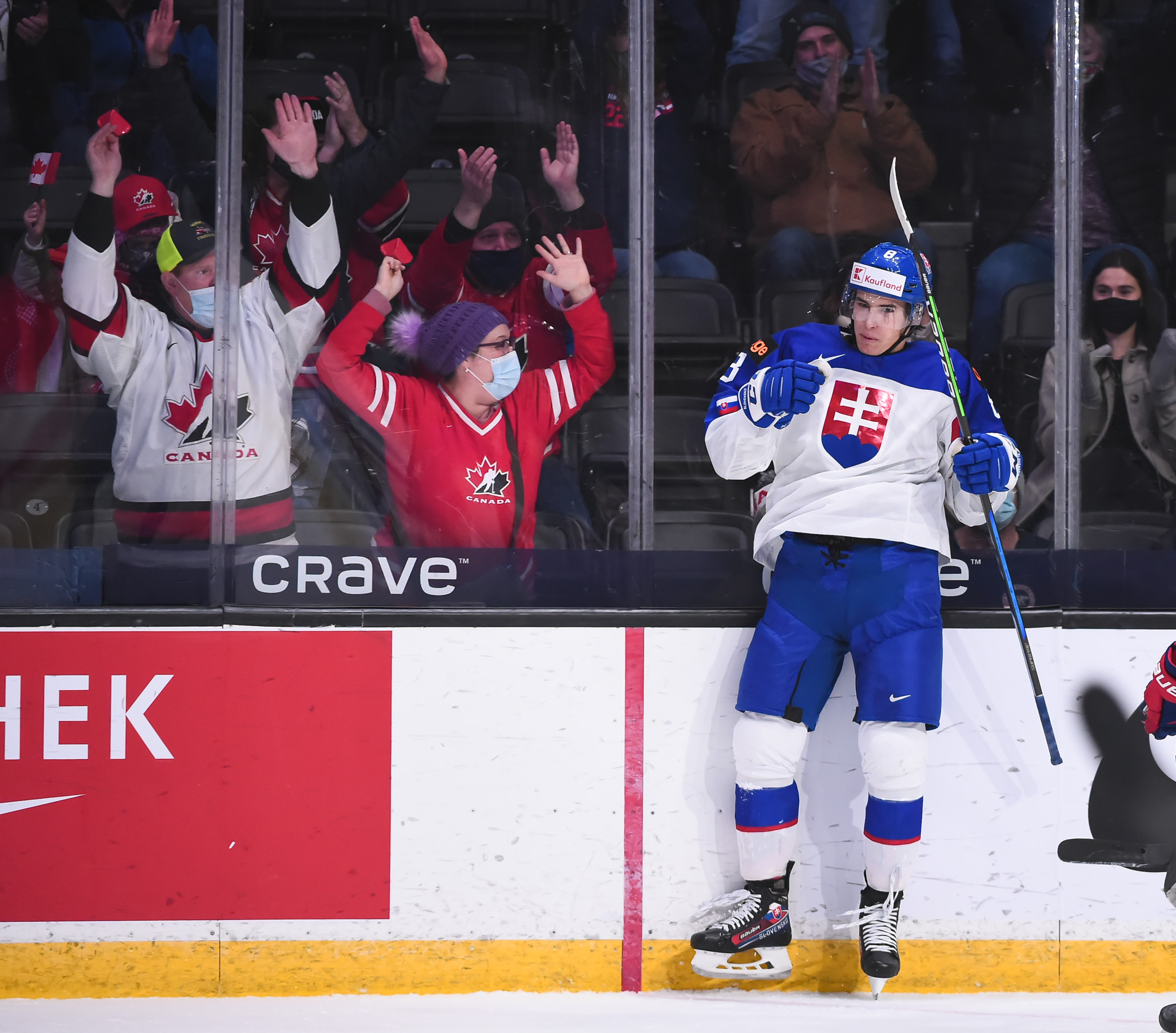 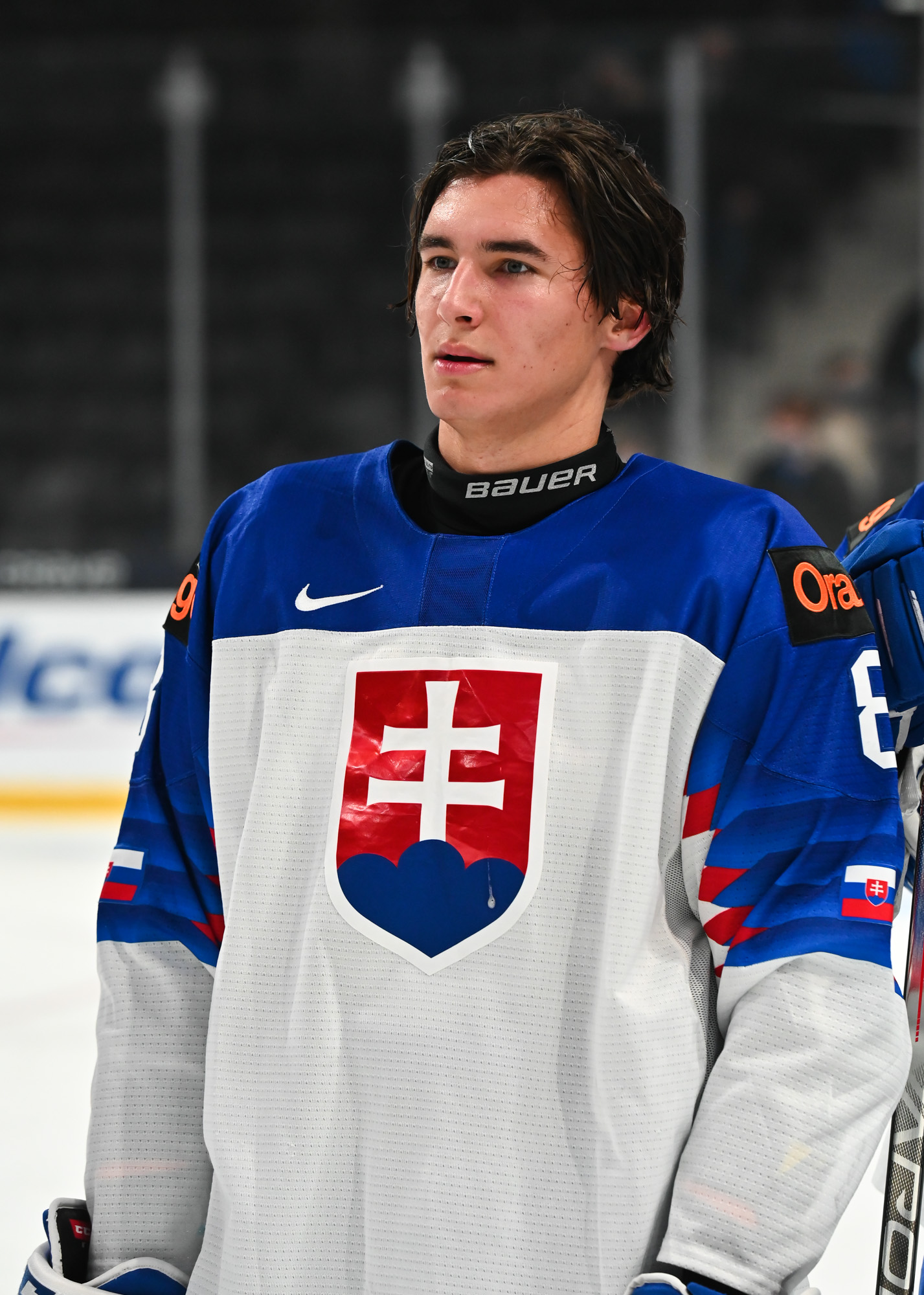 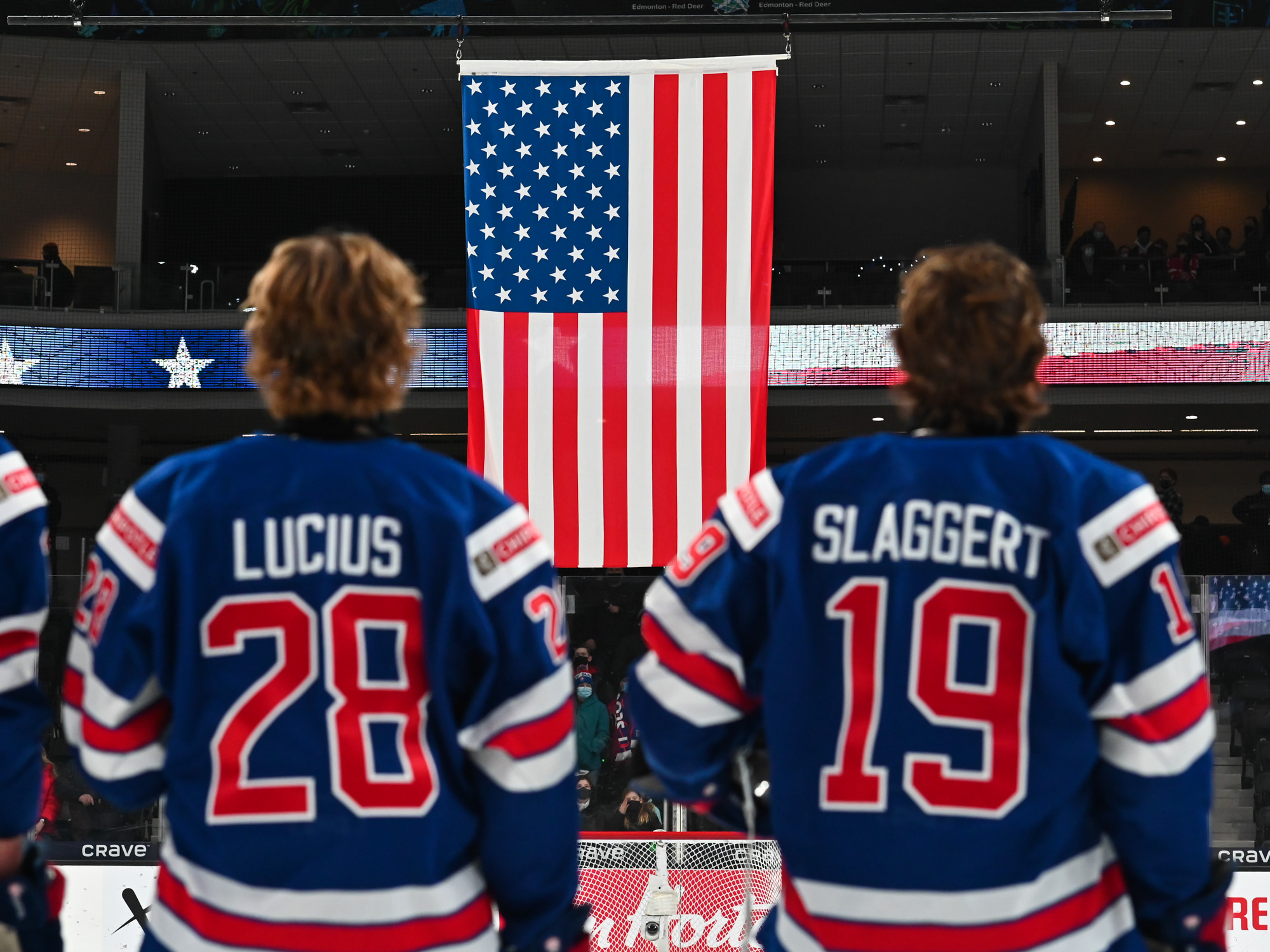 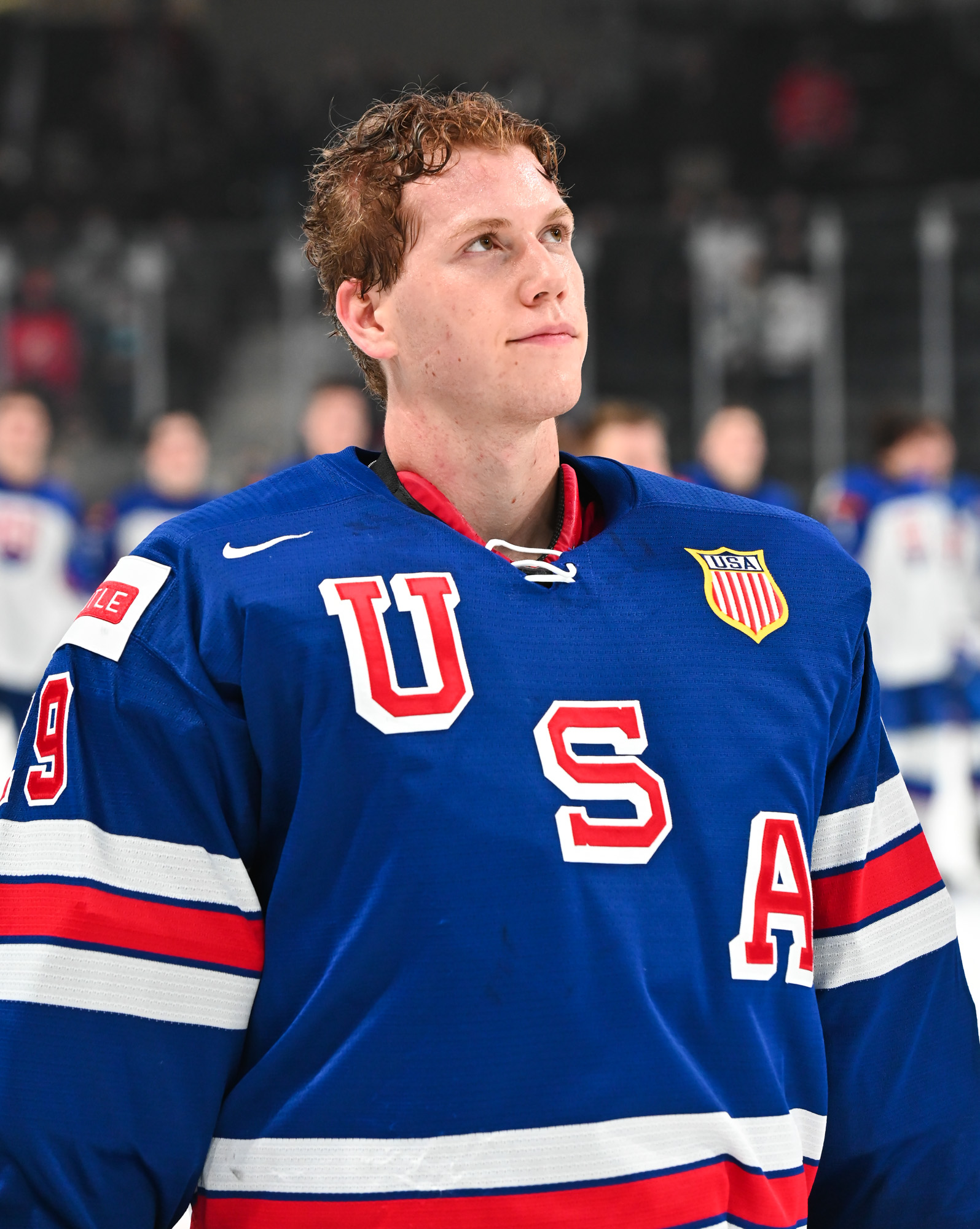 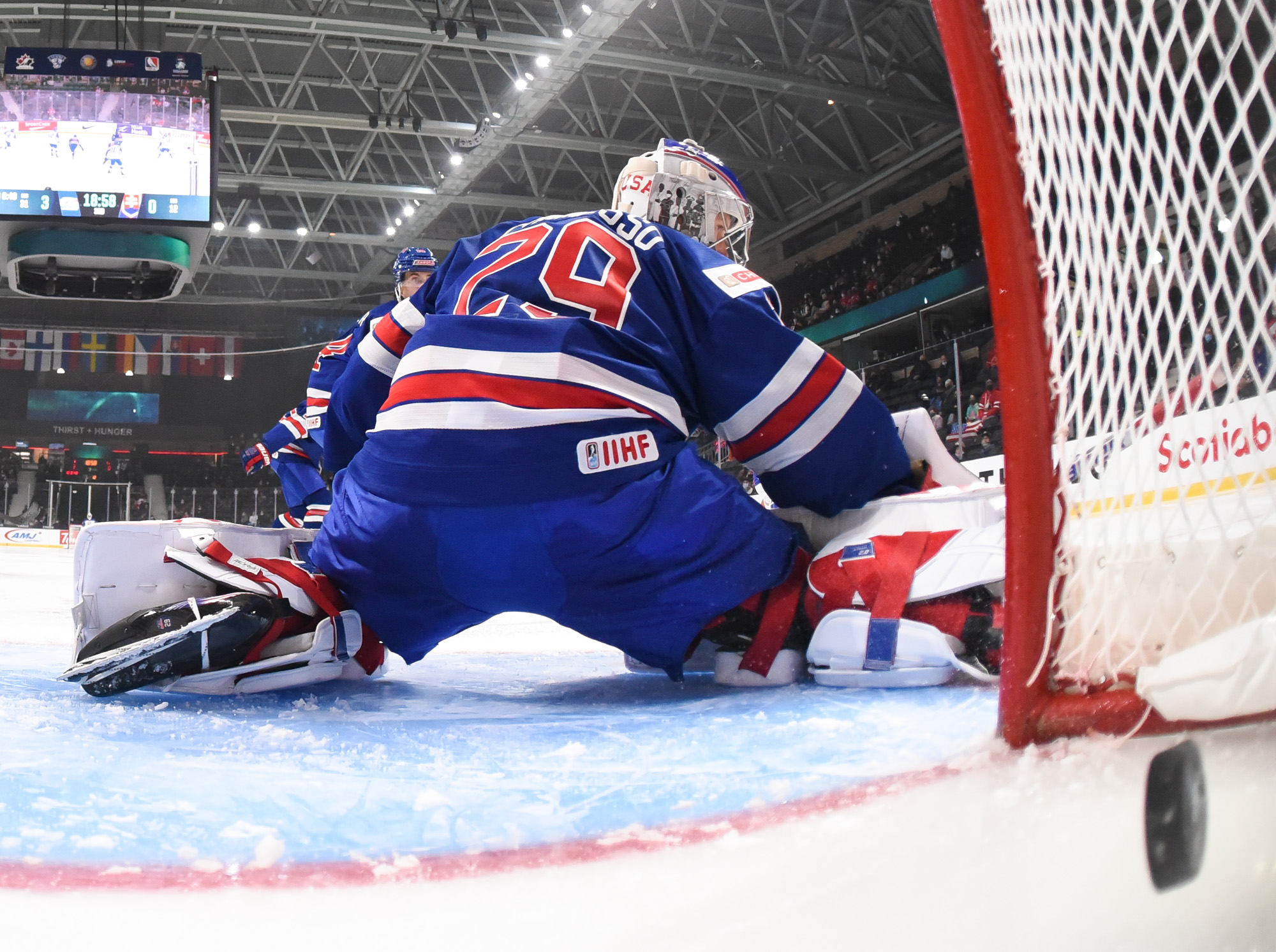 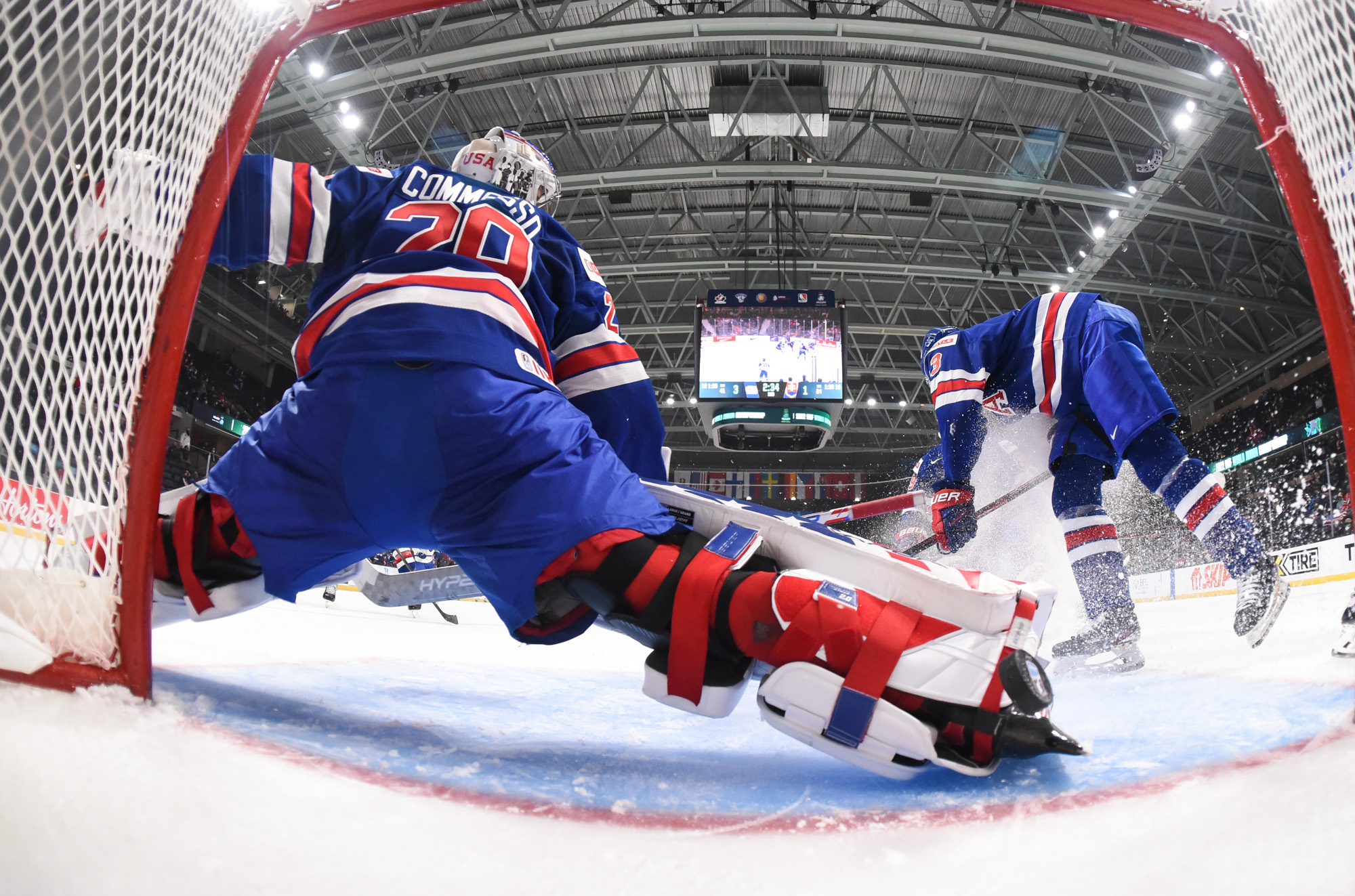