Host Slovenia starts with win
Slovenia's Rok Ticar watches the puck go in for his team's 2-0 goal.
photo: Martin Metelko
share
The Slovenian men’s national team launched its 2022 IIHF Ice Hockey World Championship Division I Group A campaign on home ice in Ljubljana with a 4-2 win against Lithuania that never looked in danger for the host nation.

Three different lines took care of Slovenia’s goals in a solid win including two from the fourth line with Luka Maver having a goal and an assist. Slovenia outshot Lithuania 48-20 and had the game under control for most part. The Lithuanians got on the scoreboard with two late goals during the last five minutes of play.

“It felt amazing. I’m even not sure if I scored or a teammate. We will see in the video later,” Maver said. “It was a great game. We started a little slow and had a few penalty kills but after that we started getting into the game and we were way better after that.”
World Men
Slovenia vs Lithuania - 2022 IIHF Ice Hockey World Championship Division I Group A
Slovenia launched its 2022 IIHF Ice Hockey World Championship Division I Group A campaign on home ice in Ljubljana with a 4-2 win against Lithuania.
SLO LTU 03 MAY 2022
The Lithuanians entered the game as underdogs having been moved up to the group following the restructuring of the World Championship program. They lost the last Division IA encounter three years ago 9-0 against the Slovenes – a nightmare they wanted to avoid in Ljubljana.

The Slovenes started with more puck possession and shots but the Lithuanians managed to withstand the pressure for the first half of the opening frame despite at times heavy traffic in front of goaltender Mantas Armalis.

At 13:44 the Slovenes eventually opened the scoring. Jan Urbas sent a pass along the end board to Ziga Jeglic, whose centering pass was shoveled over Armalis’ glove by Verlic.

“We knew that Slovenia is a good team. I think we were ready for the first 10 minutes. I think we played a pretty solid game. After that we got maybe too many penalties and they scored,” Lithuanian forward Emilijus Krakauskas said.

Lithuania had to come out stronger for a chance to tie the game but instead the Slovenes already used their first chance after a minute of play. Anze Kuralt made it 2-0 after a nice drop pass from Matic Podlipnik.

The Slovenes continued to entertain their home crowd and went up 3-0 just before the halfway mark. After a Gregor Koblar shot had been blocked by Lithuanian defender Jaunius Jasinevicius, Luka Maver saw his shot blocked as well but Blaz Tomazevic in front of the net moved it past Armalis.

Maver would later score himself in a not too eventful third period. The 24-year-old college player sent the puck horizontally through traffic in front of the net and it went in via the skate of Lithuanian captain Nerijus Alisauskas.

With 4:42 left to play the Lithuanian goal song could eventually be played as well when Aivaras Bendzius’ shot on a rebound went in via Slovenian goalie Matija Pintaric. And nine seconds before the final buzzer a nice shot from Krakauskas cut the score to 4-2.
Slovenia vs Lithuania - 2022 IIHF Ice Hockey World Championship Division I Group A 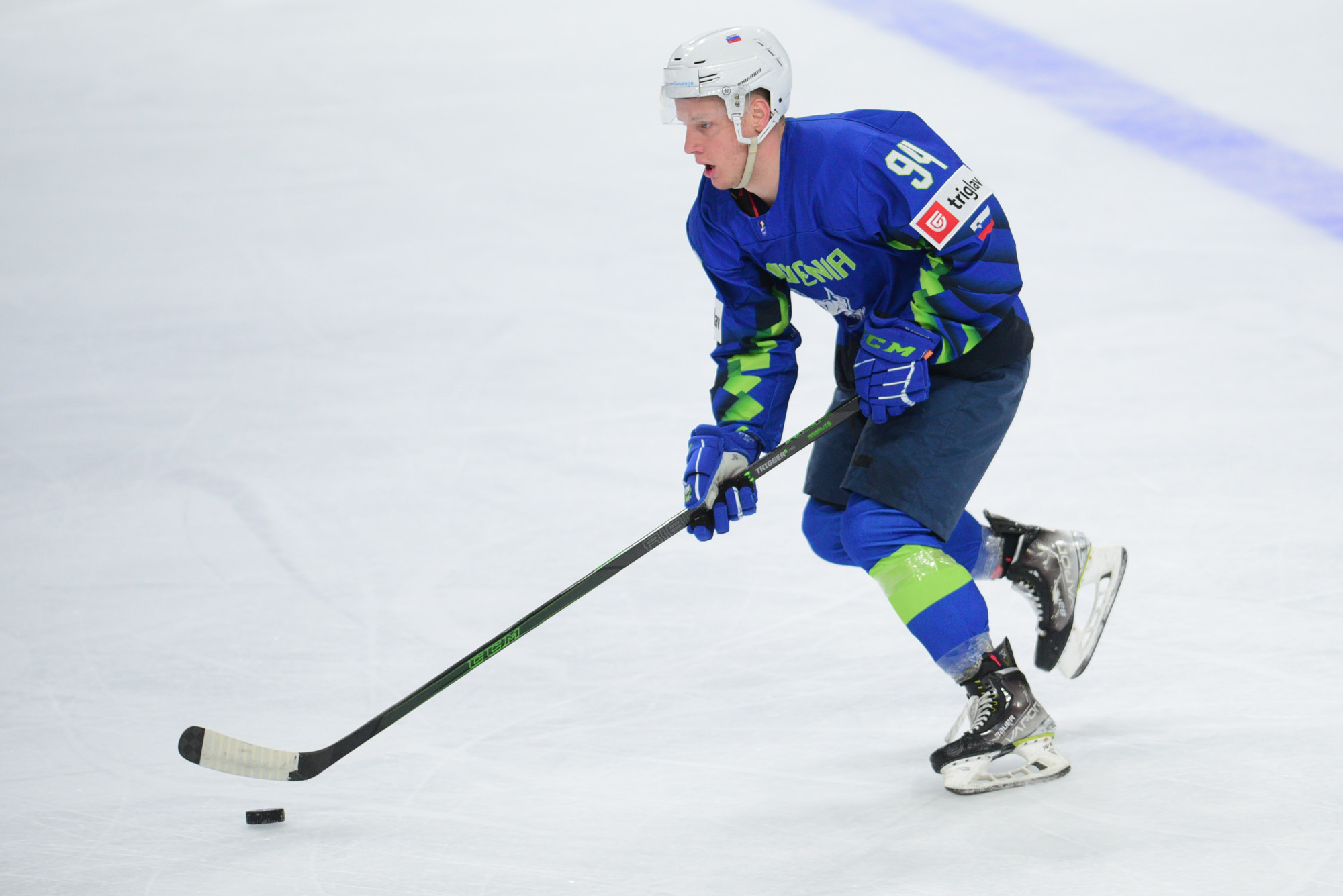 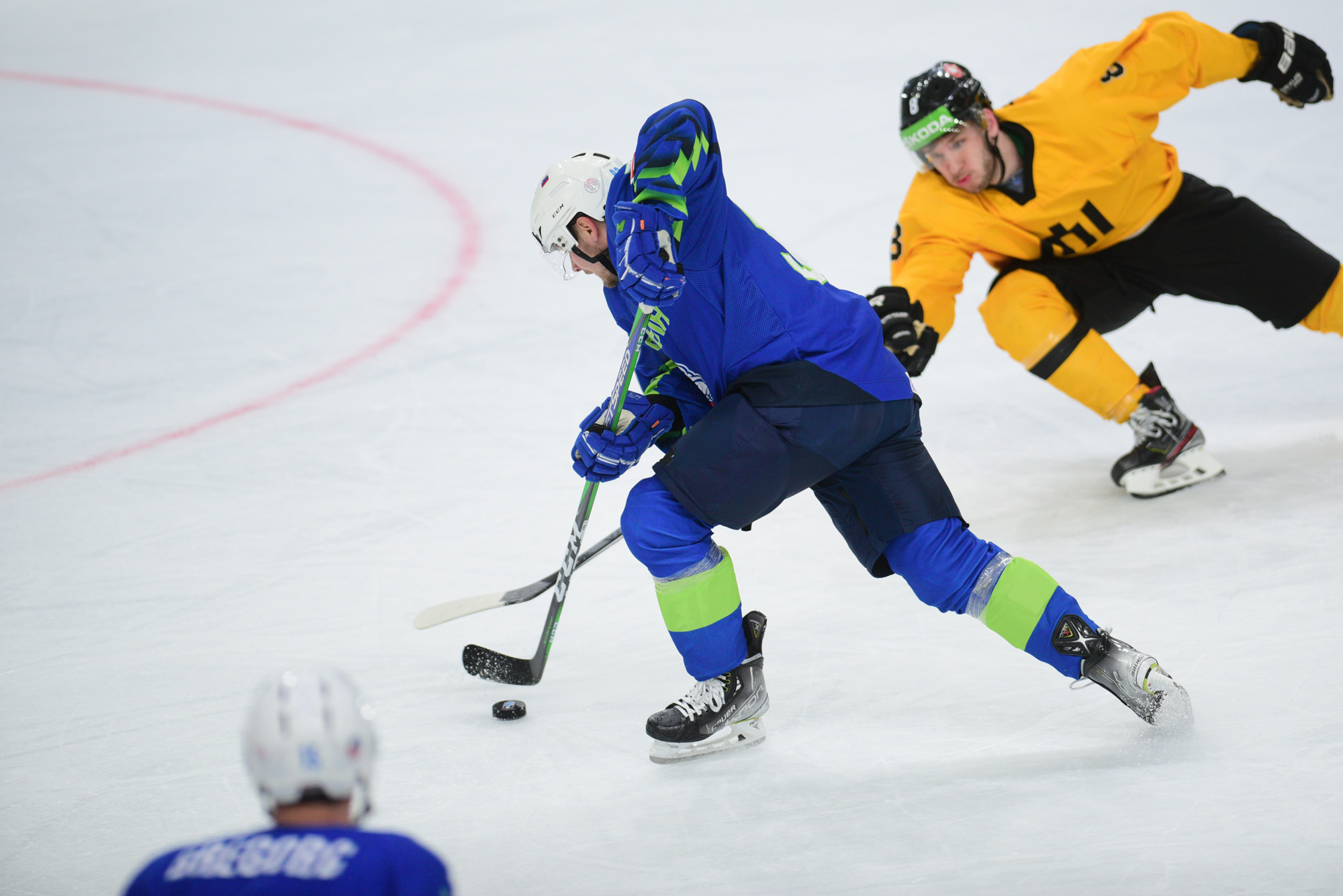 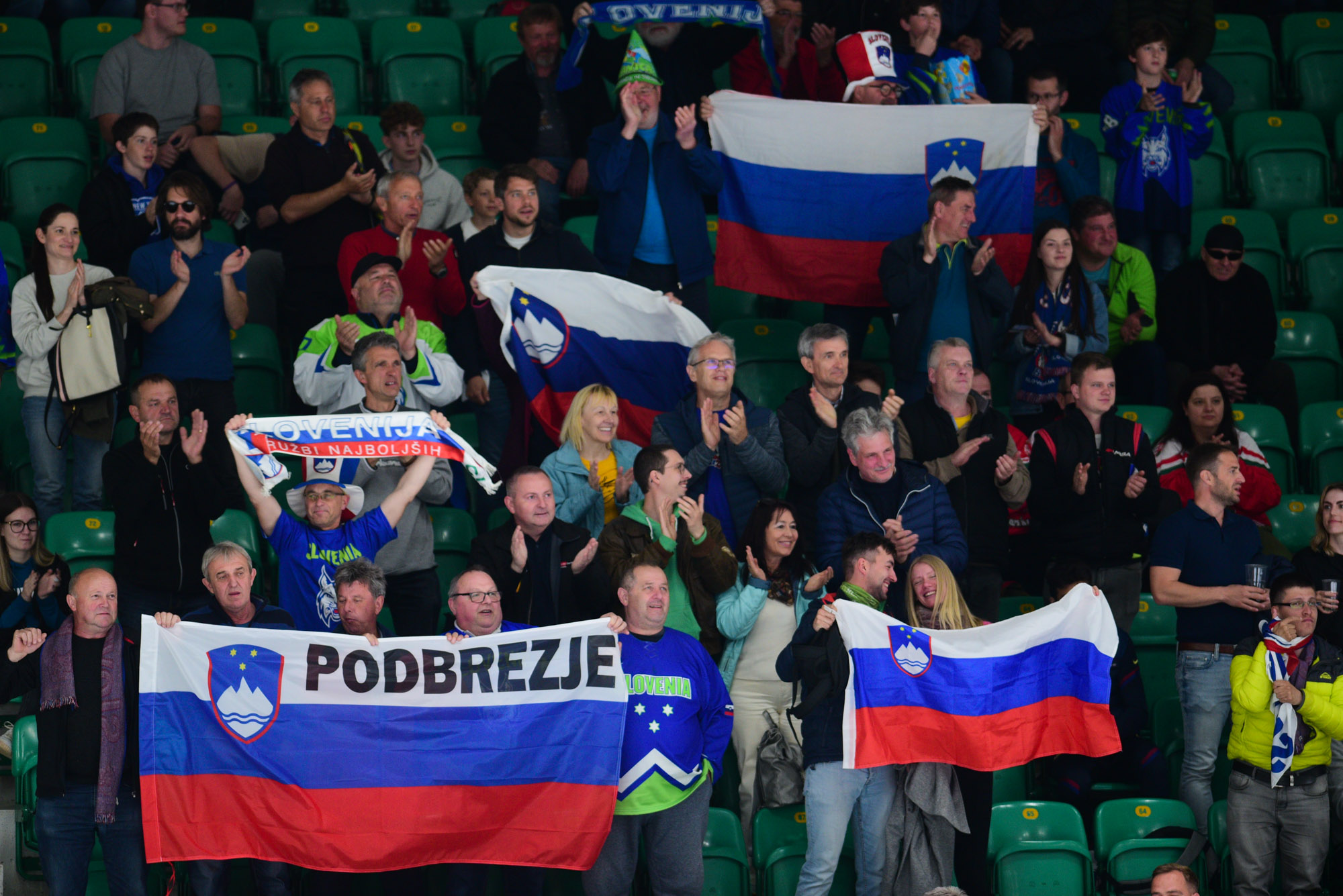 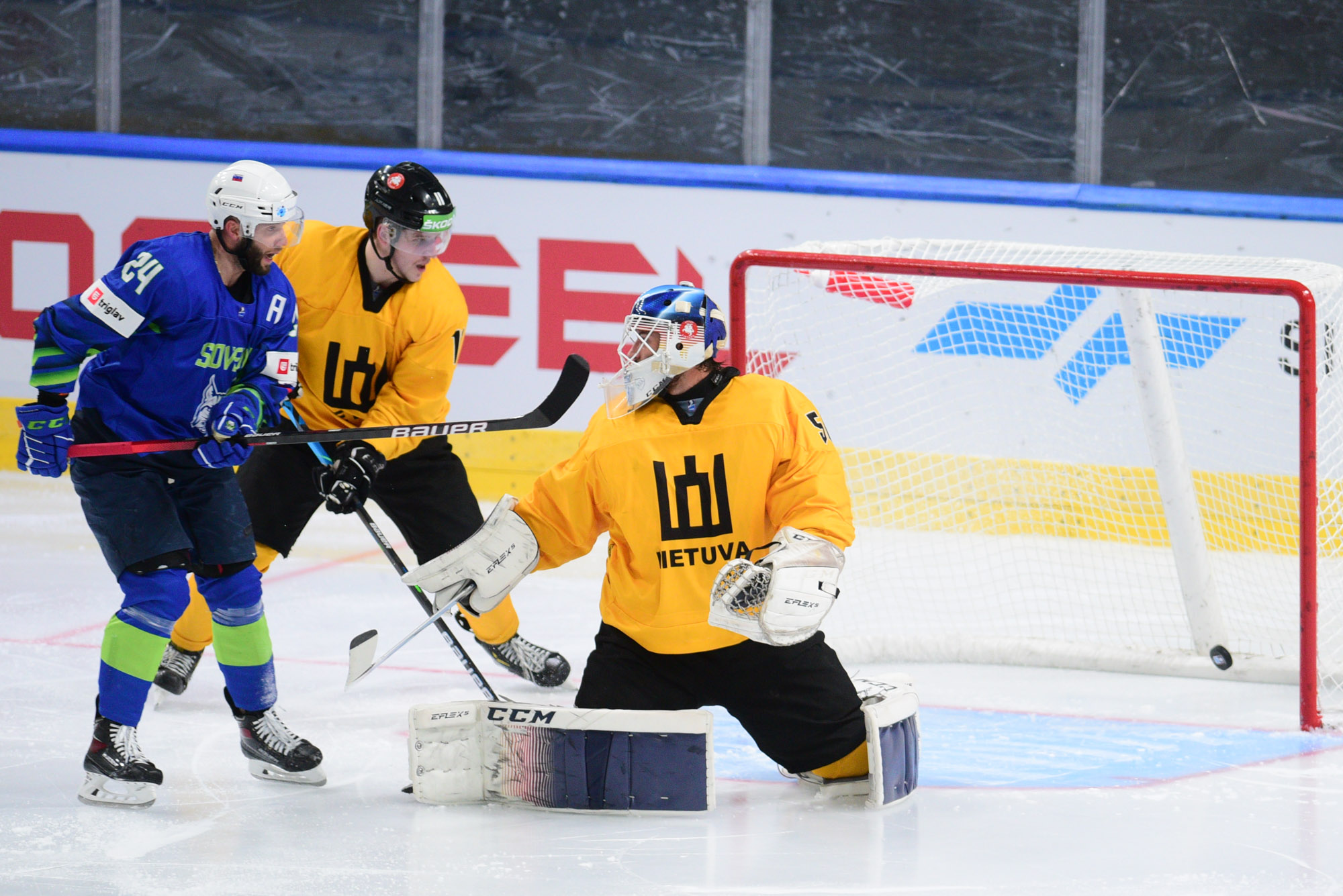 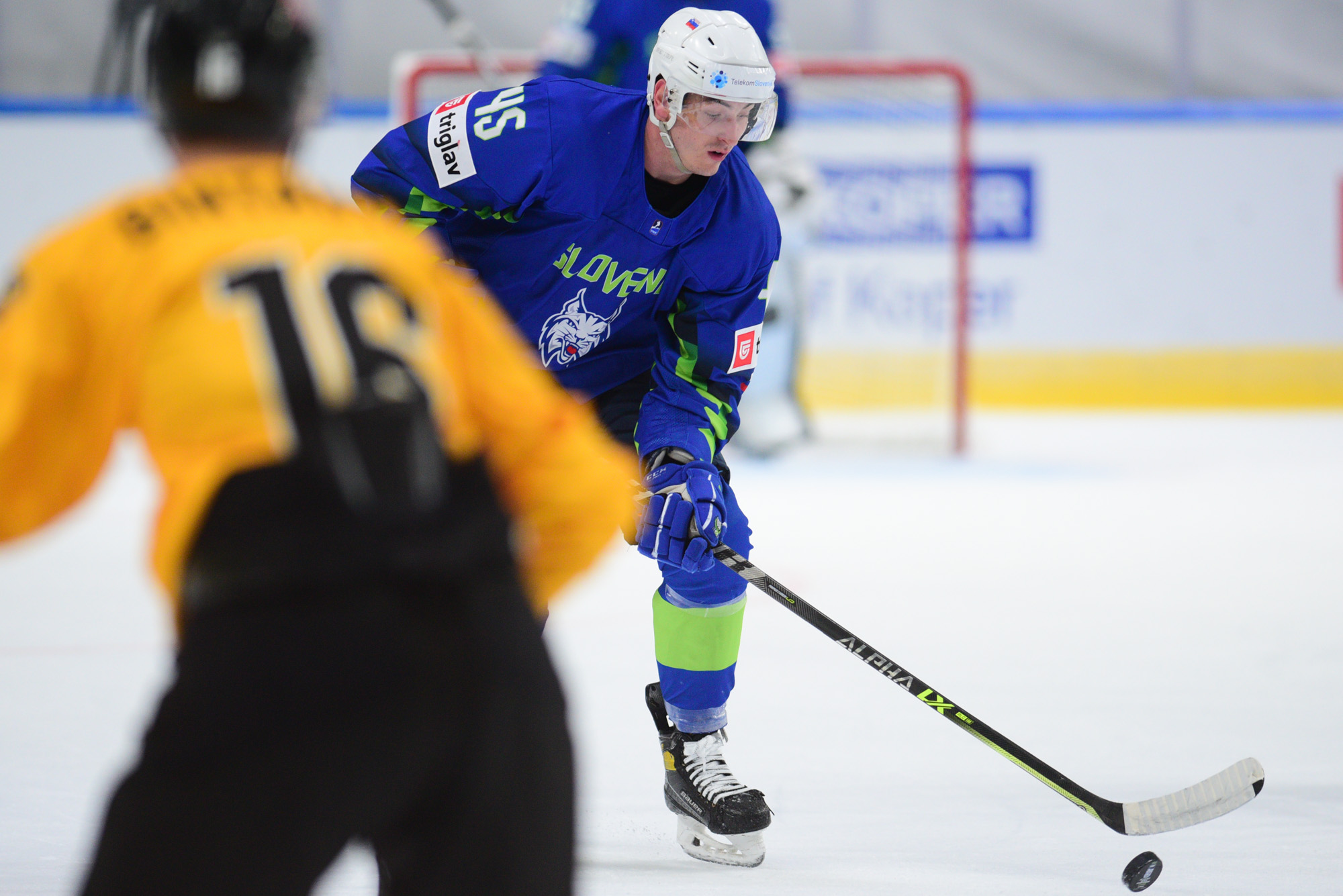 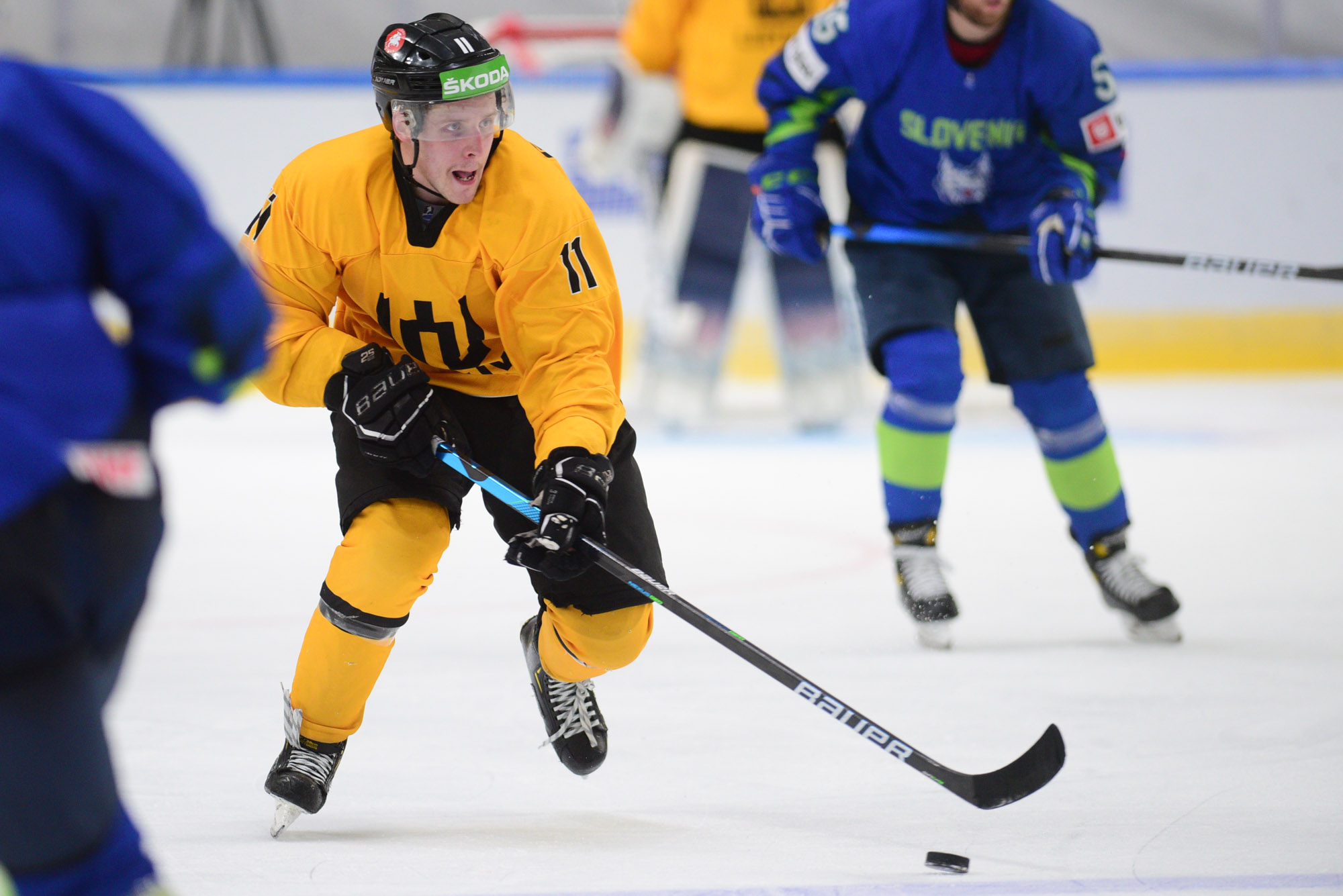 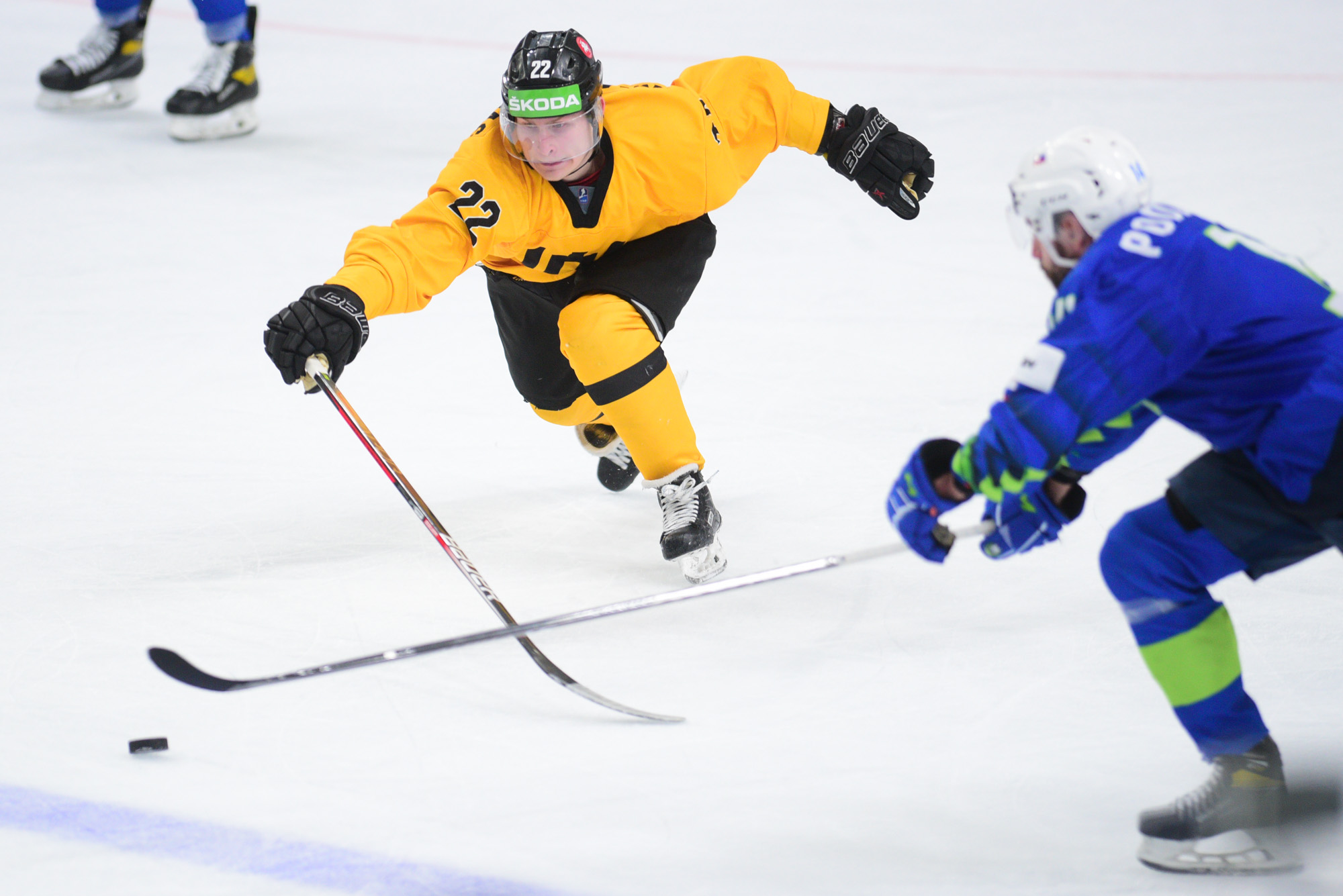 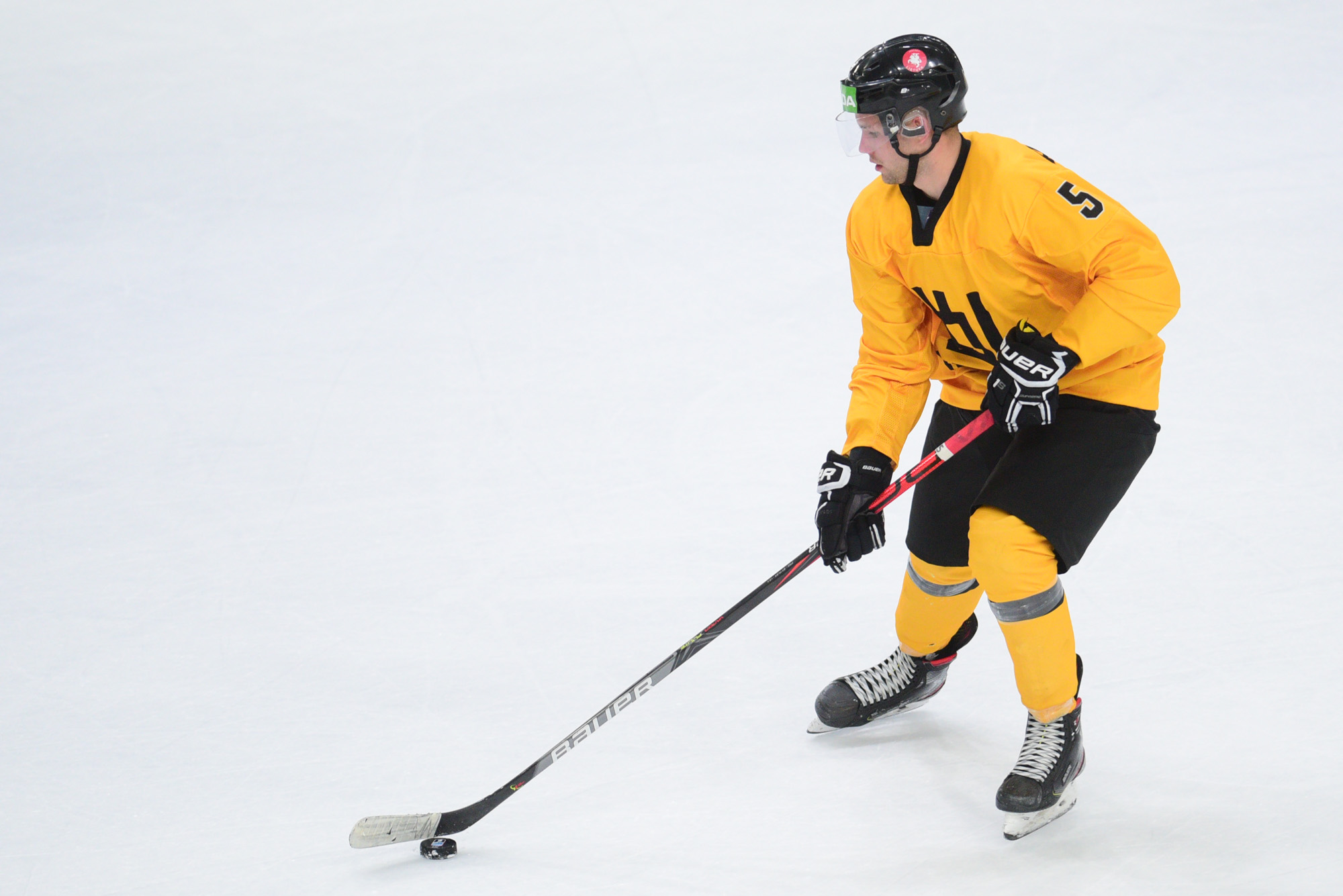 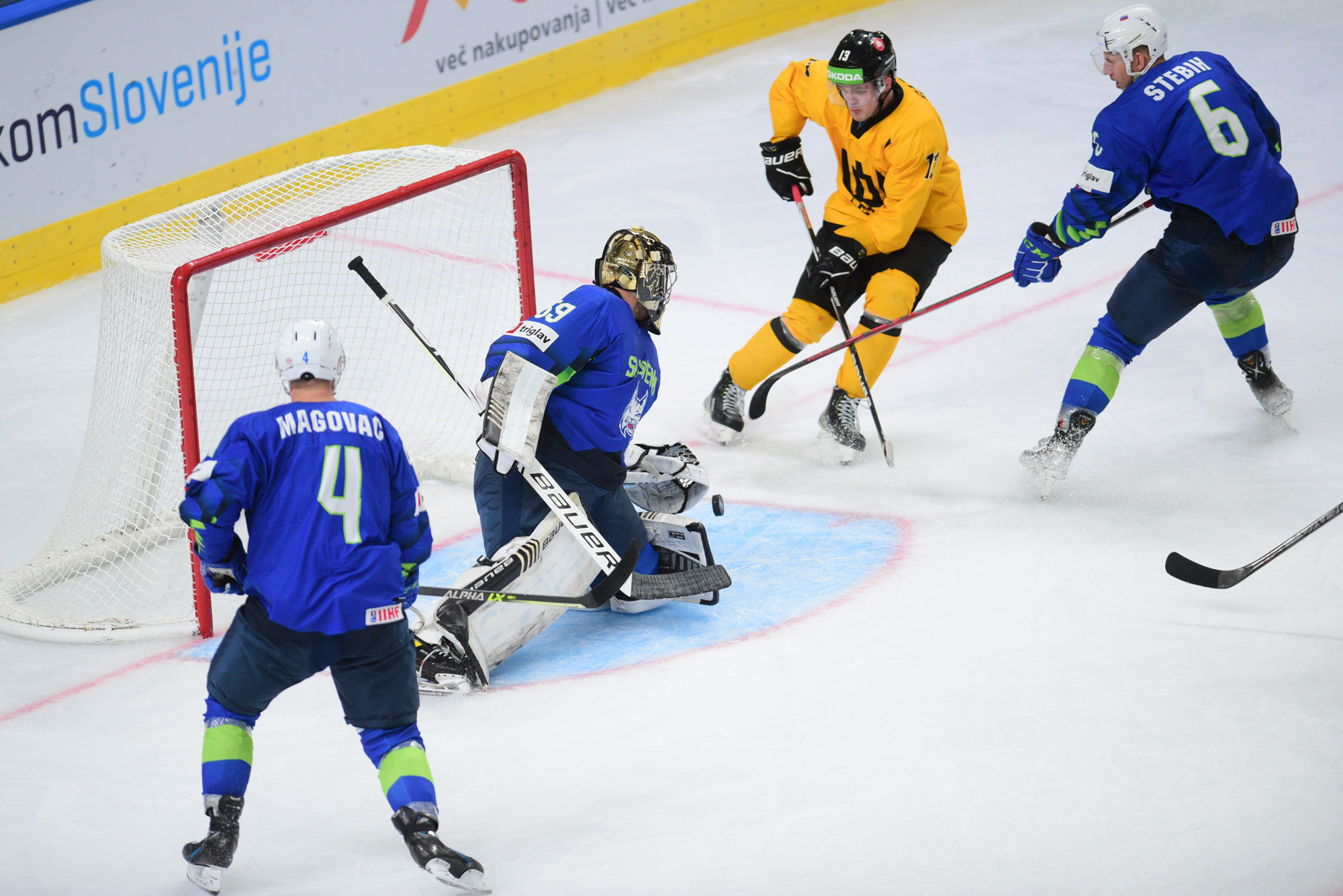 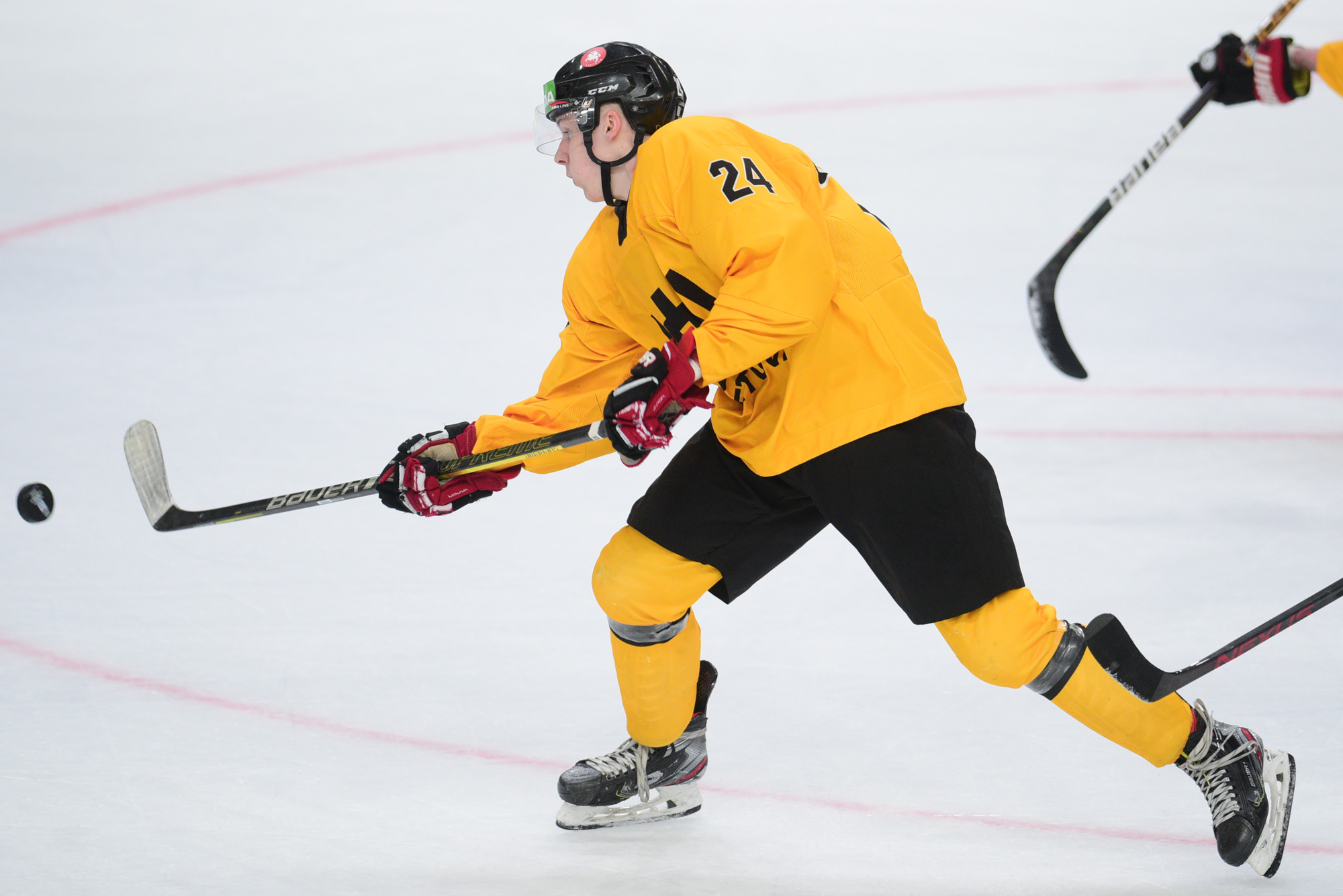 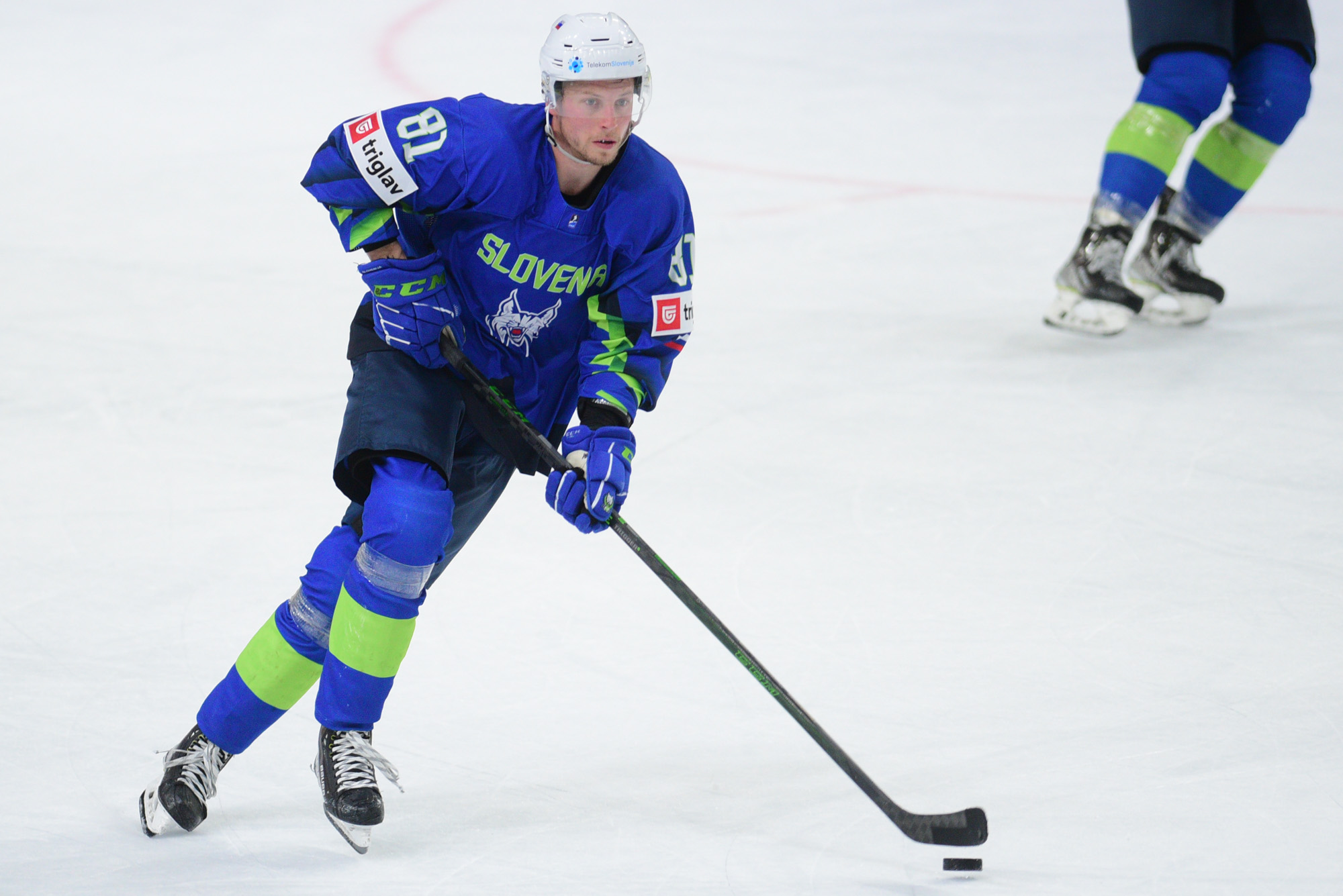 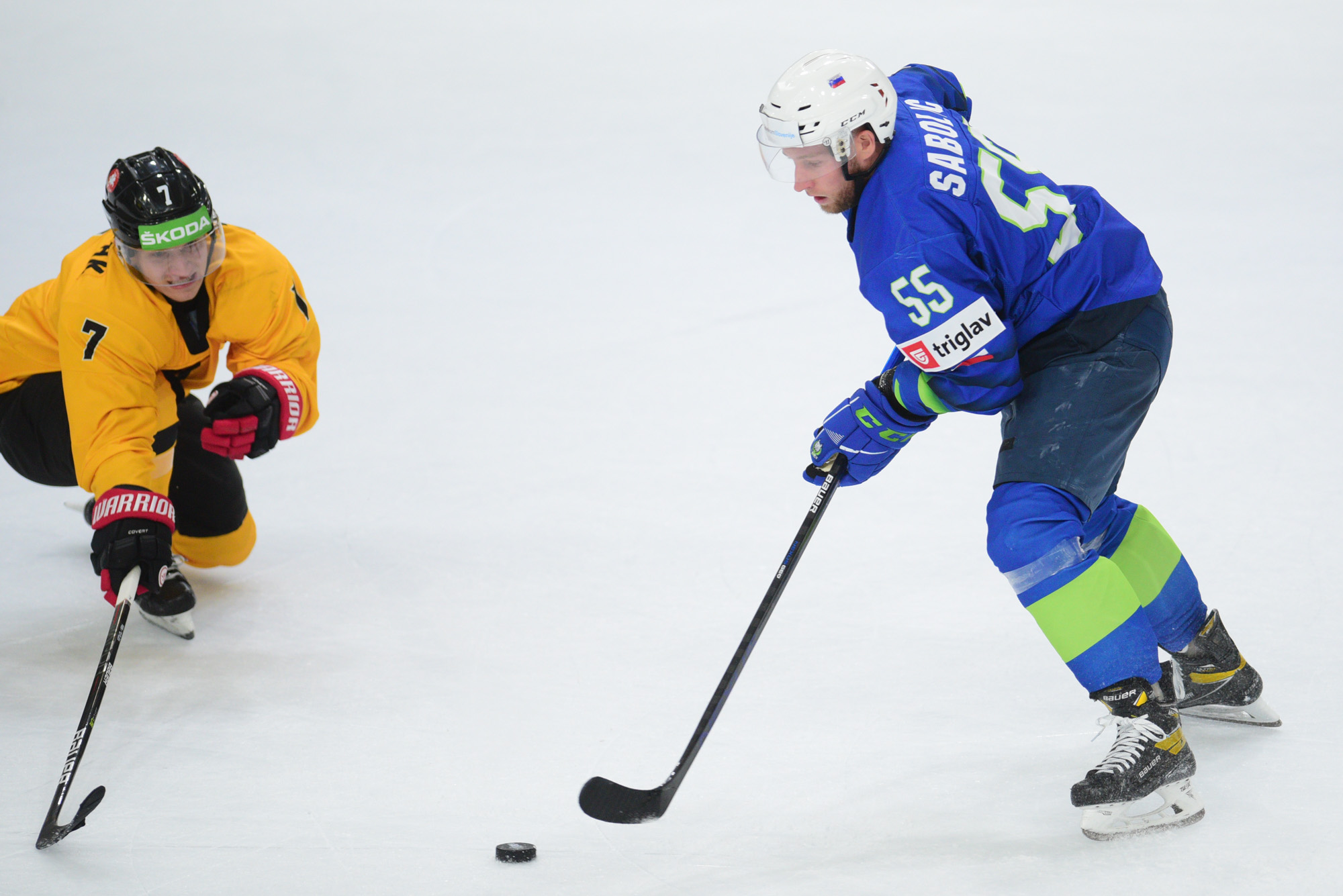 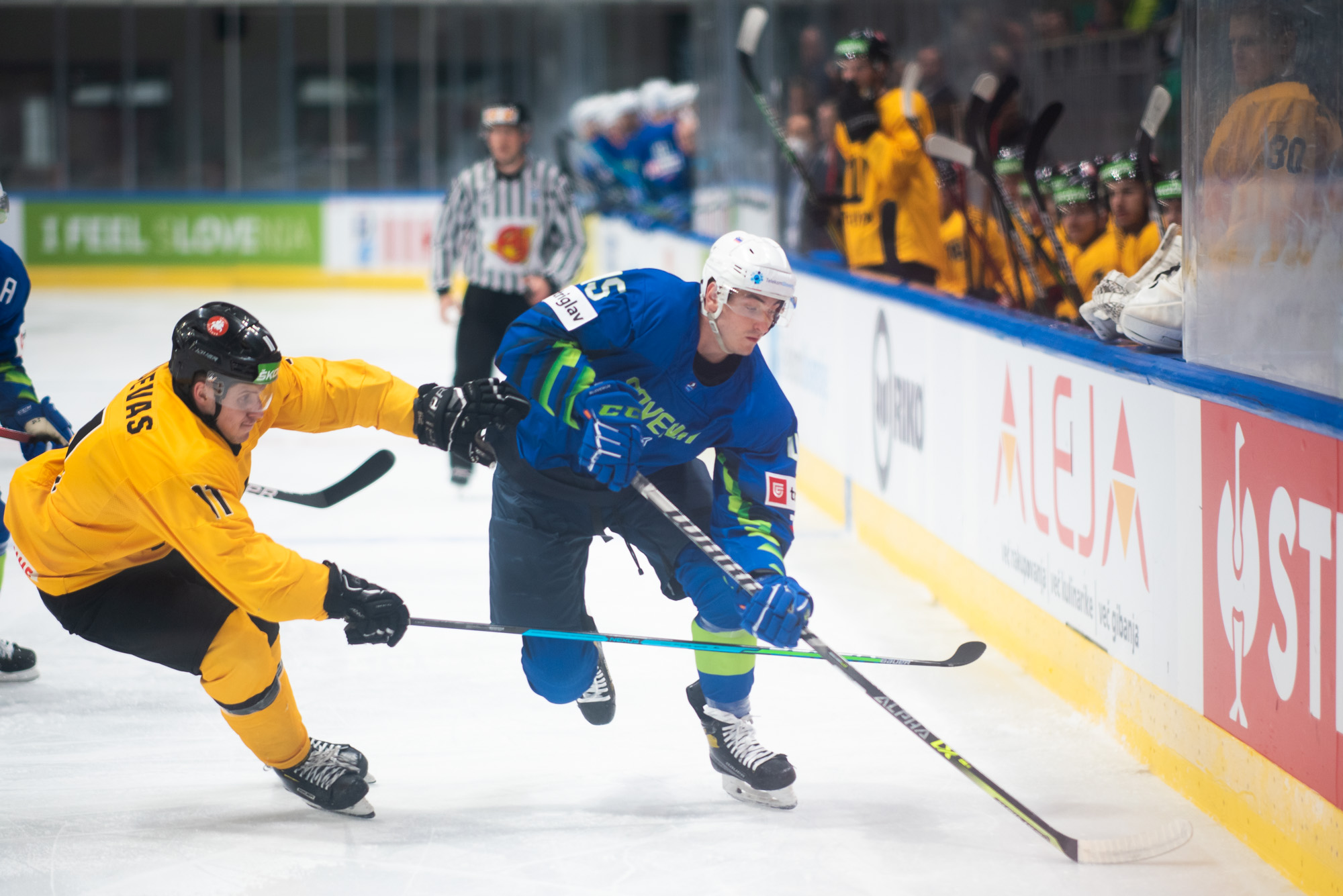 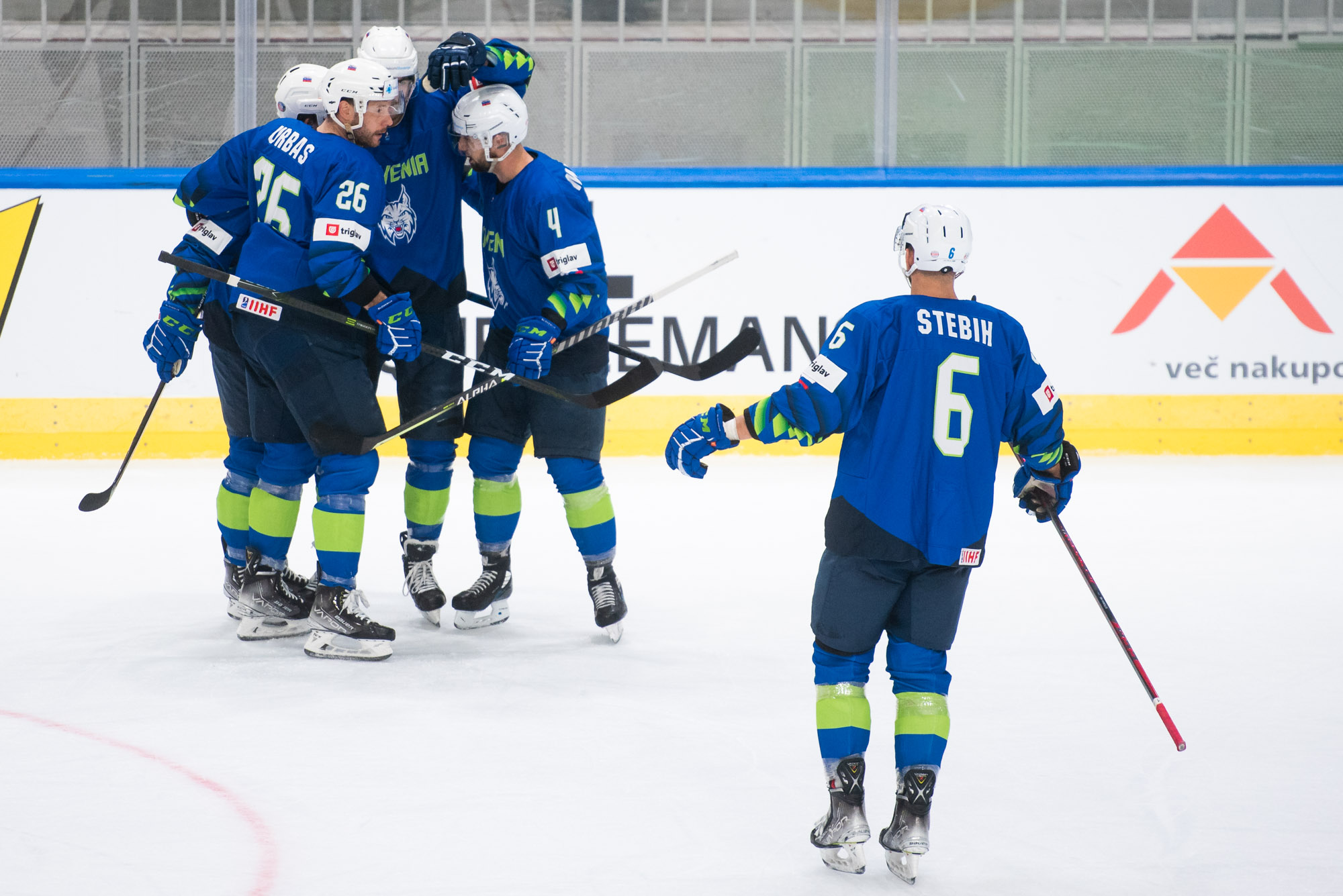 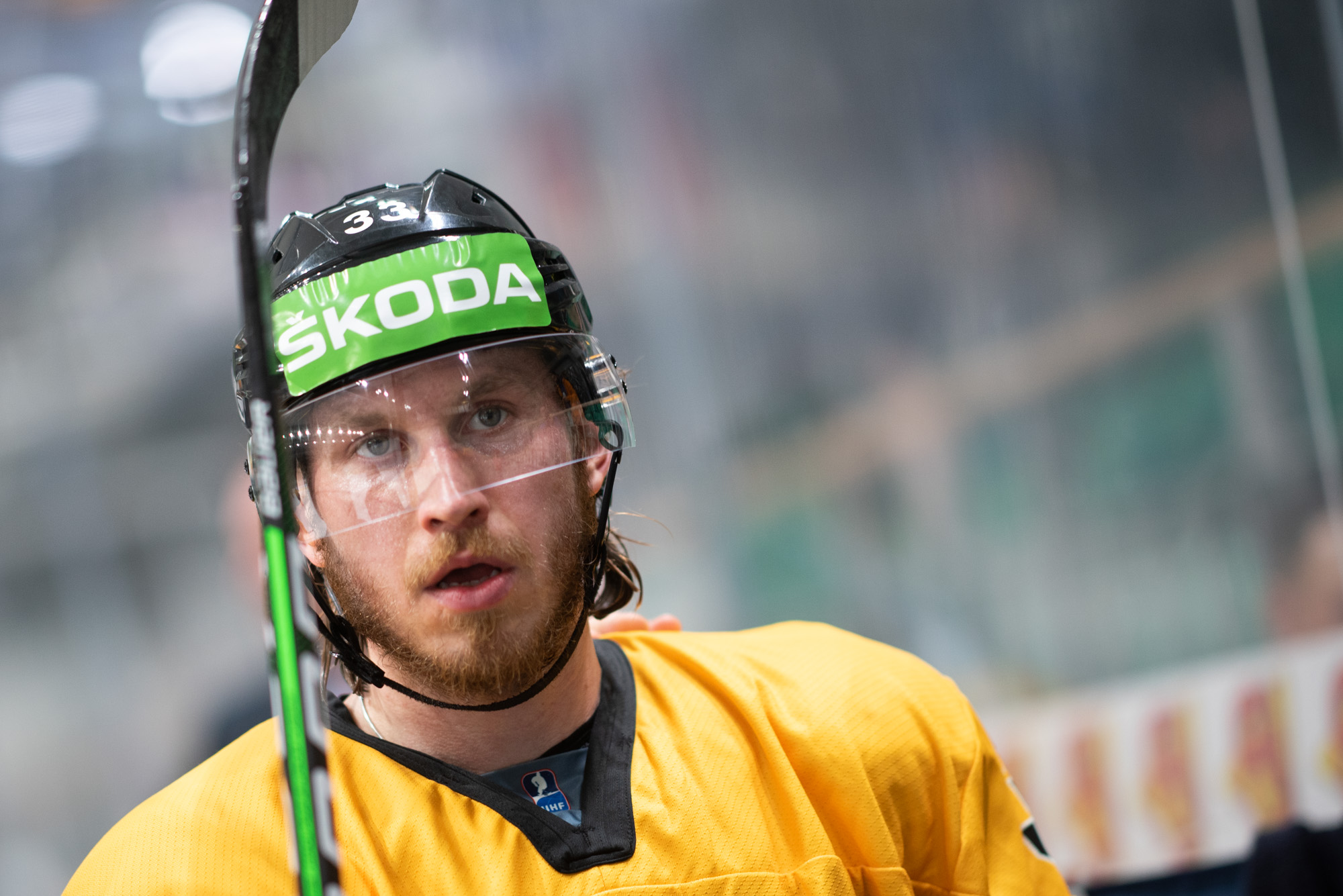 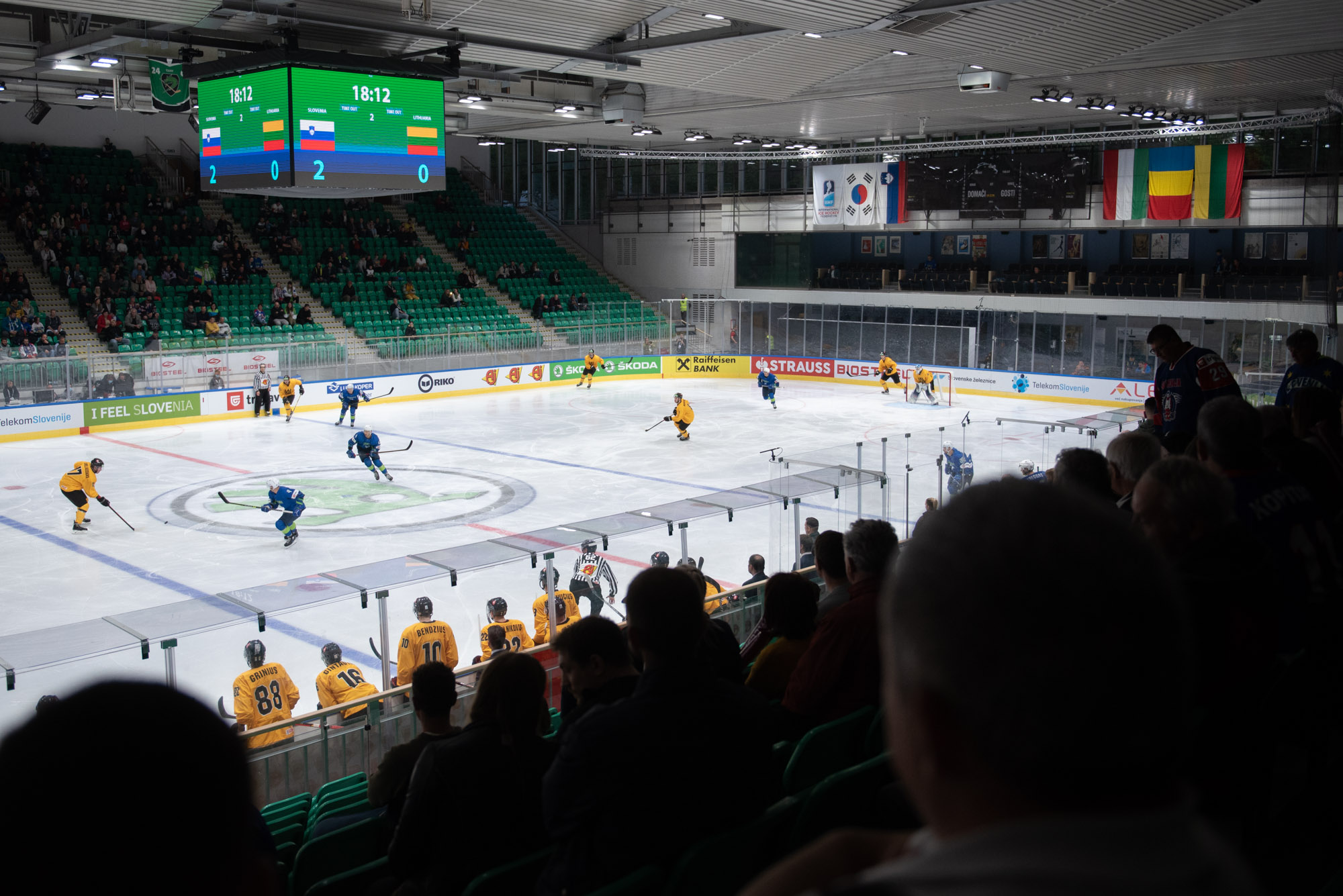 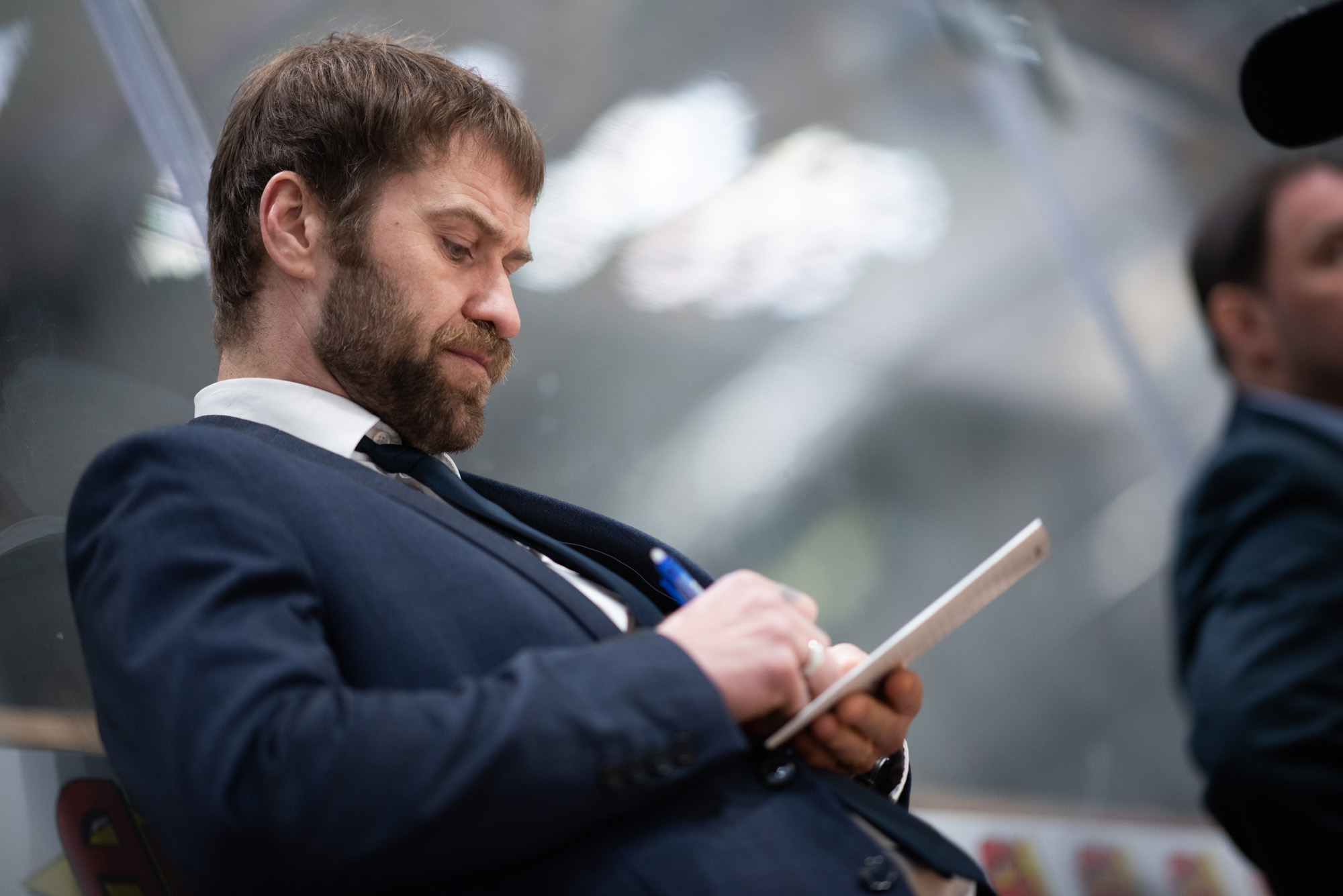 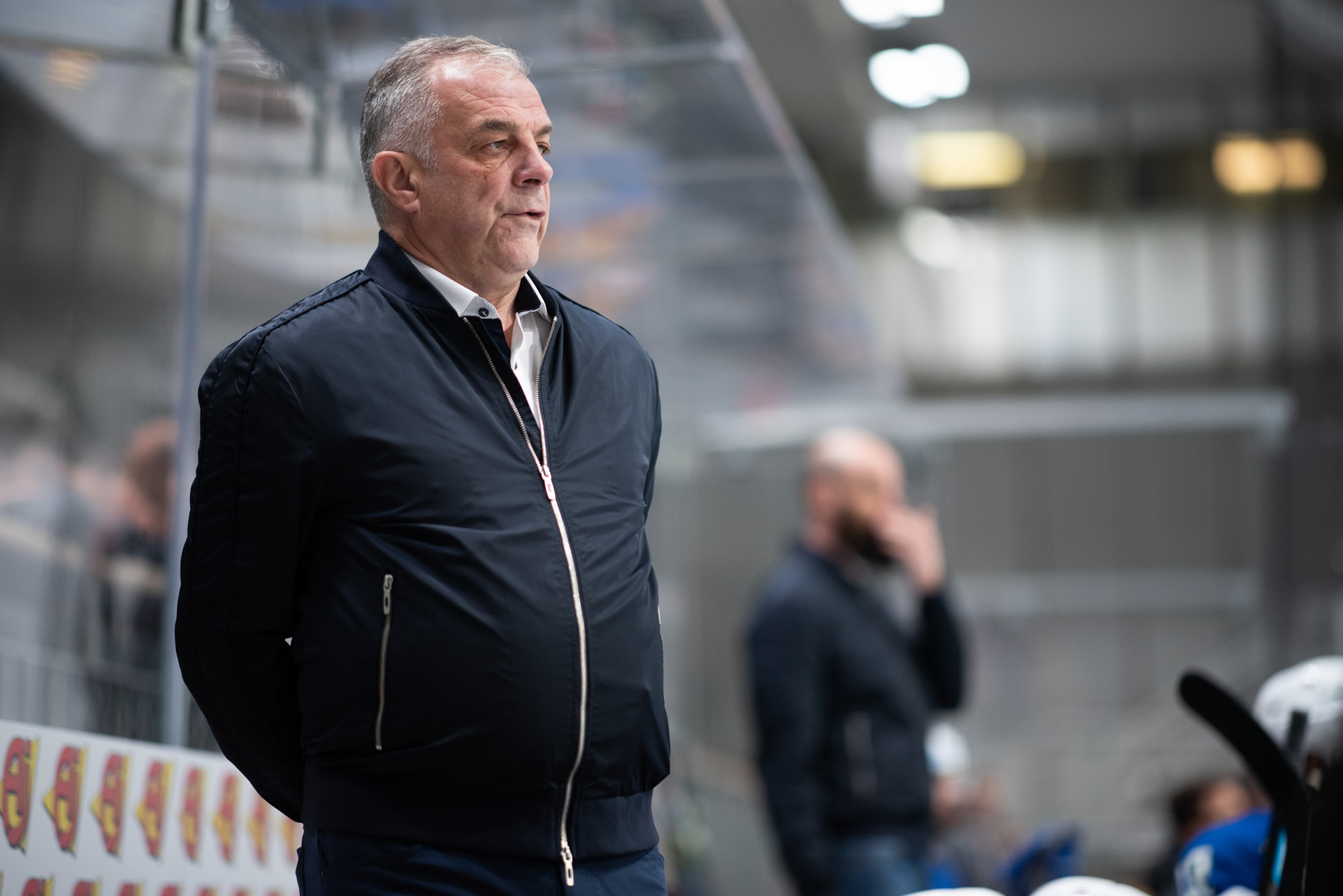 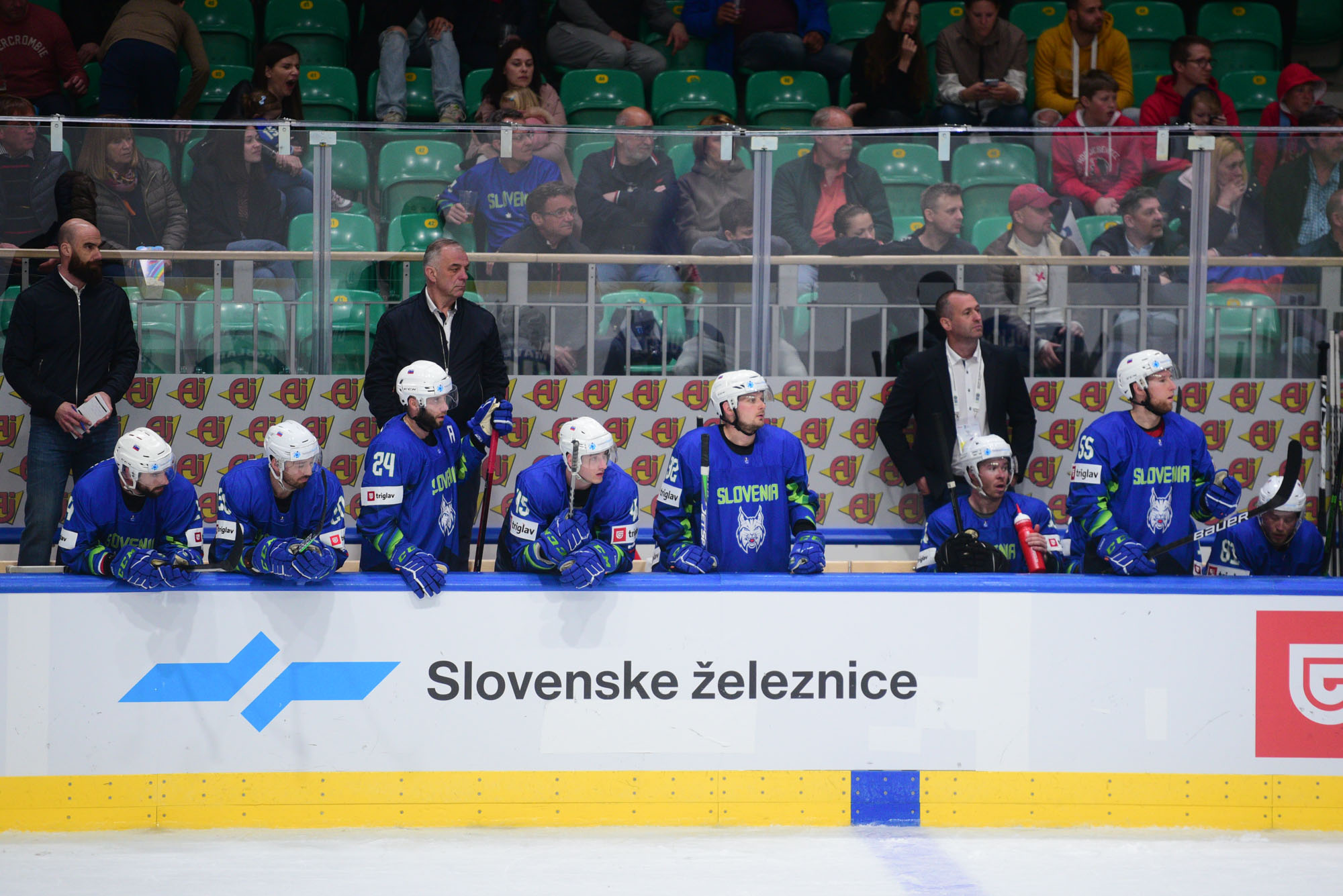 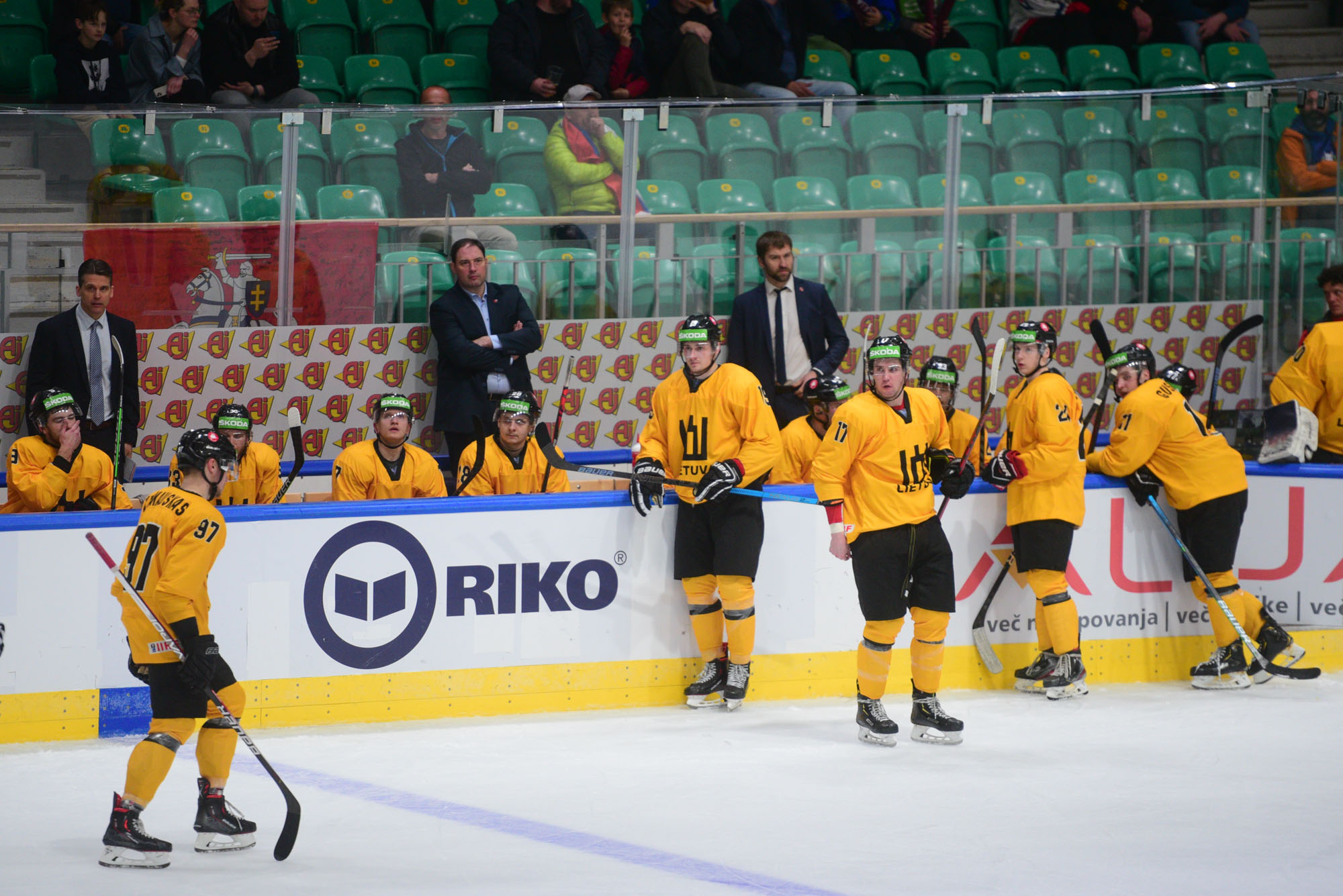 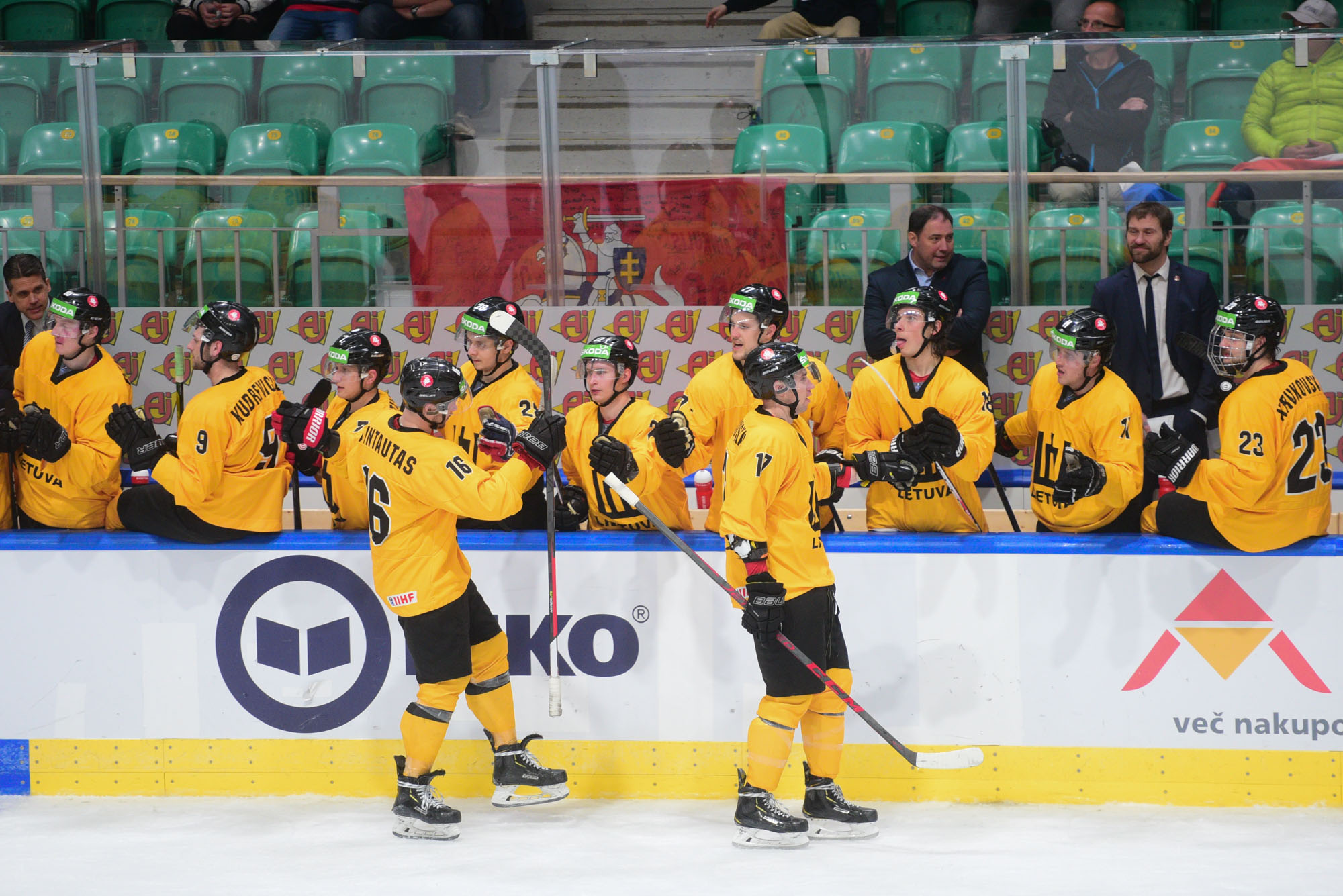 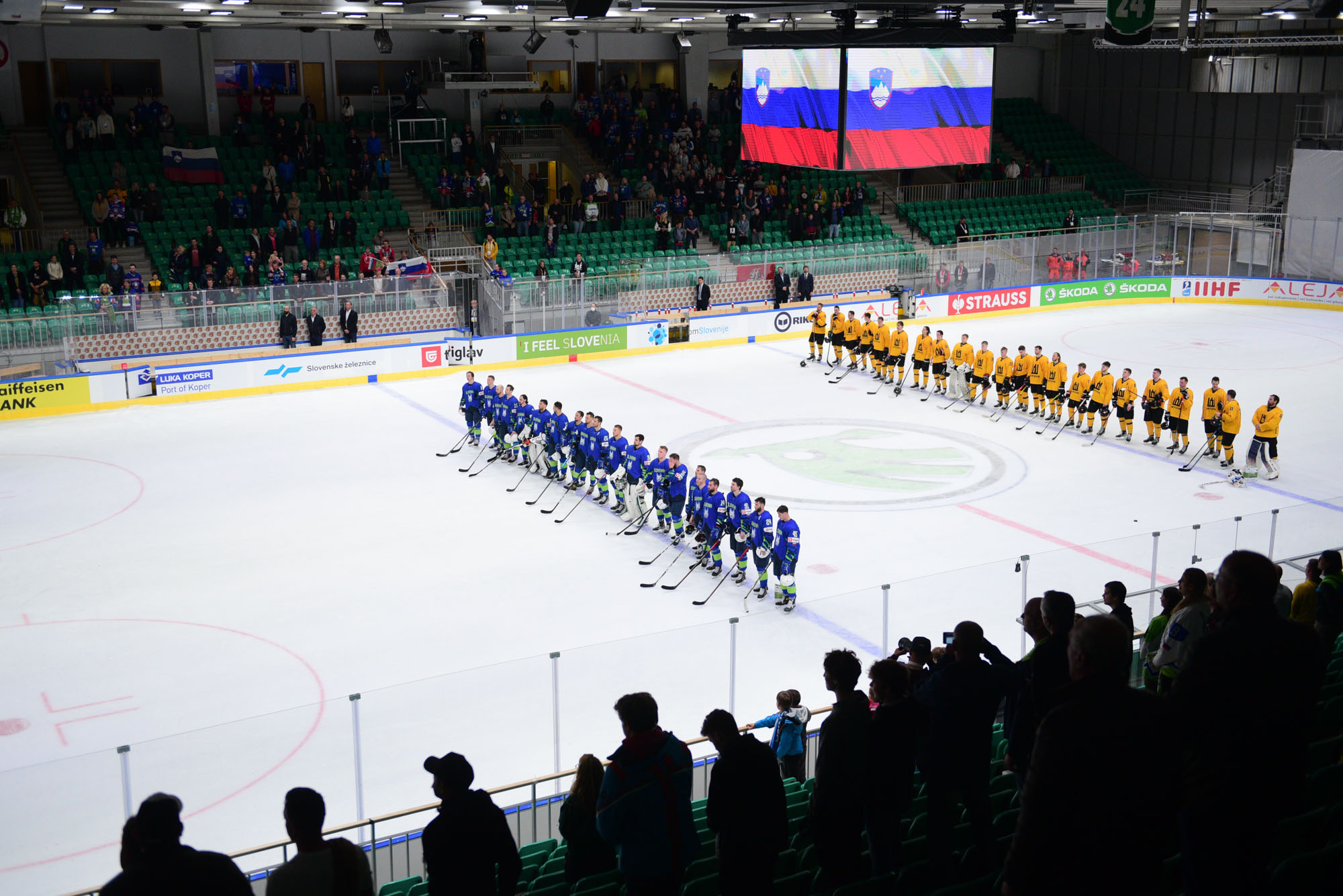