Hesova made 21 saves in Czechia's 2-0 triumph over Switzerland in the teams' final contest of round-robin action at the 2022 IIHF Ice Hockey U18 Women’s World Championship.

Anna Vanickova provided the only goal Czechia needed and Dominika Malicka finished with two assists for the Czechs, who finished with a 3-0 record in Group B.

"I'm very happy, satisfied (with our game) more than before," Czechia coach Dusan Andrasovsky said. "We played a very hard game. The opponent was very good. It was an important game for them. But we were better. We're growing step-by-step and I am satisfied with our performance from today."

Hesova made nine saves in the first period, five in the second and seven in the third to earn her second shutout of the tournament.

"The whole team helped her a lot," Andrasovsky said. "We supported her, she supported our players. Their chemistry was very good today."

Czechia advances to the quarterfinals at LaBahn Arena on Friday. Their opponent will be determined following the Canada-United States contest taking place Thursday night at 20:00.

"We were there yesterday, got a look around, saw this nice, beautiful arena." Andrasovsky said. "It is a present for our team (to play there)."

Anezka Hracova also scored for Czechia, providing the insurance goal with 4:33 left in the third period.

Czechia opened the scoring 9:41 into the second period. Anezka Hracova  missed wide on a shot from the right point, but the puck took a perfect bounce off the end boards to the left side of the crease. With Swiss goalie Margaux Favre unaware of where the puck was, Vanickova tapped it into an open net.

"It was a good rebound play for the Czechs," Swiss coach Melanie Hafliger said.

After breaking through with two power-play goals in a win over Slovakia on Tuesday, the Swiss struggled today, going 0-for-4.

With 18 seconds remaining in the second period, the Czechs were whistled for separate penalties at the same time — Barbora Jurickova for an illegal hit and Anna Jirina Pavlasova for interference.

The Swiss registered a pair of shots on net when play resumed in the third period, but failed to capitalize on the advantage.

"It killed us," Hafliger said. "We had a lot of chances on the power plays and on the 5-on-3. We didn't use it. That's the game. When you don't use special teams, the games go the other way sometimes."

Hafliger said Favre was "absolutely" stellar again for the Swiss, finishing with 24 saves.

"She's big, and our players were a little bit nervous about (getting) chances," Andrasovsky said. "We scored only two times, but it was enough for the win."

The Swiss now await the result of Germany-Slovakia to be played here at 20:00 to determine if it advances to the quarterfinals or faces a best-of-three relegation series.

"I'm a little bit nervous," Hafliger said. "I'll be sitting here in the rink watching the Germany-Slovakia game and see what happens. I wish for the team they have a chance to go to the quarters, but if not, we are ready for what's coming for us."
Czechia vs Switzerland - 2022 IIHF Ice Hockey U18 Women's World Championship 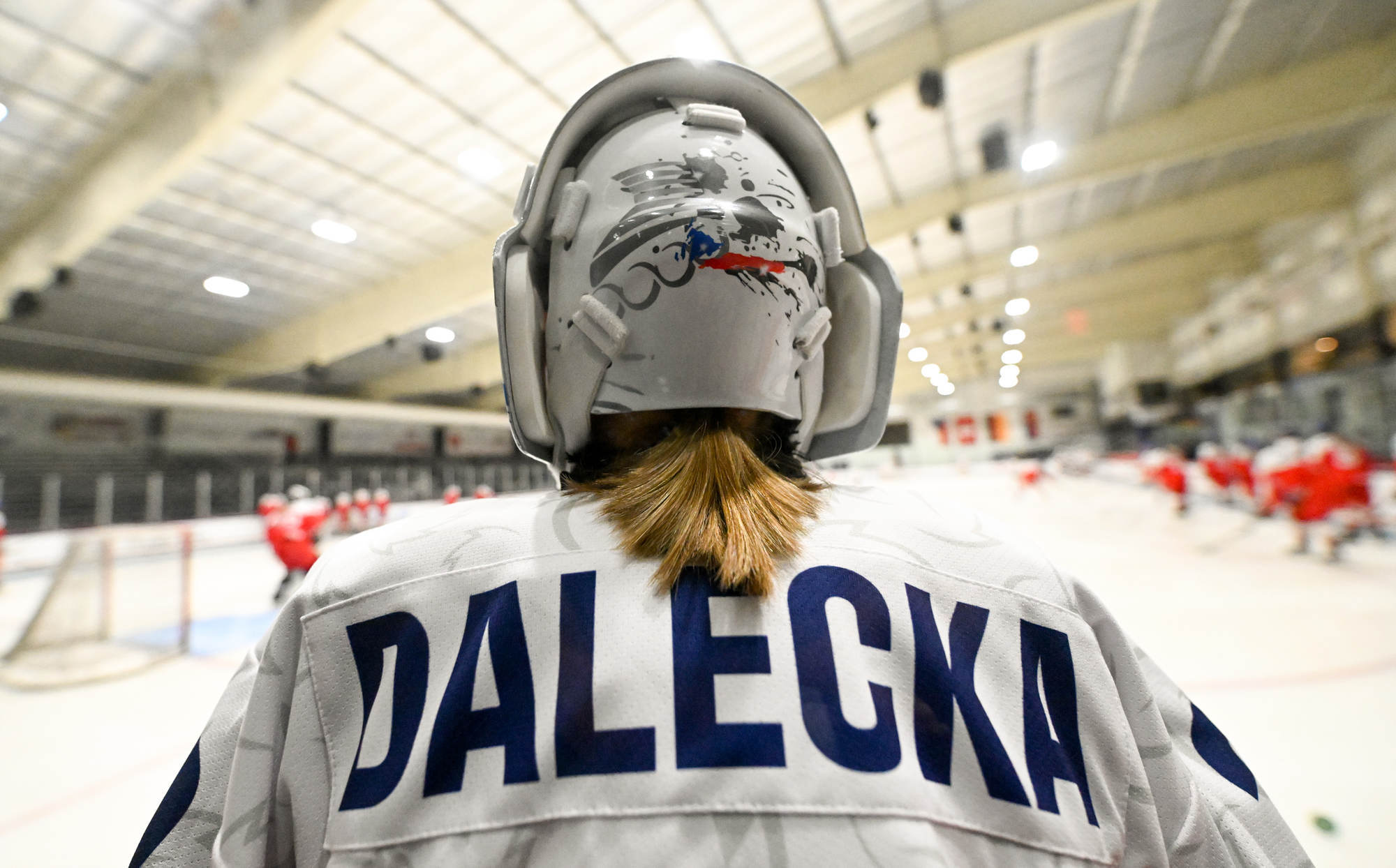 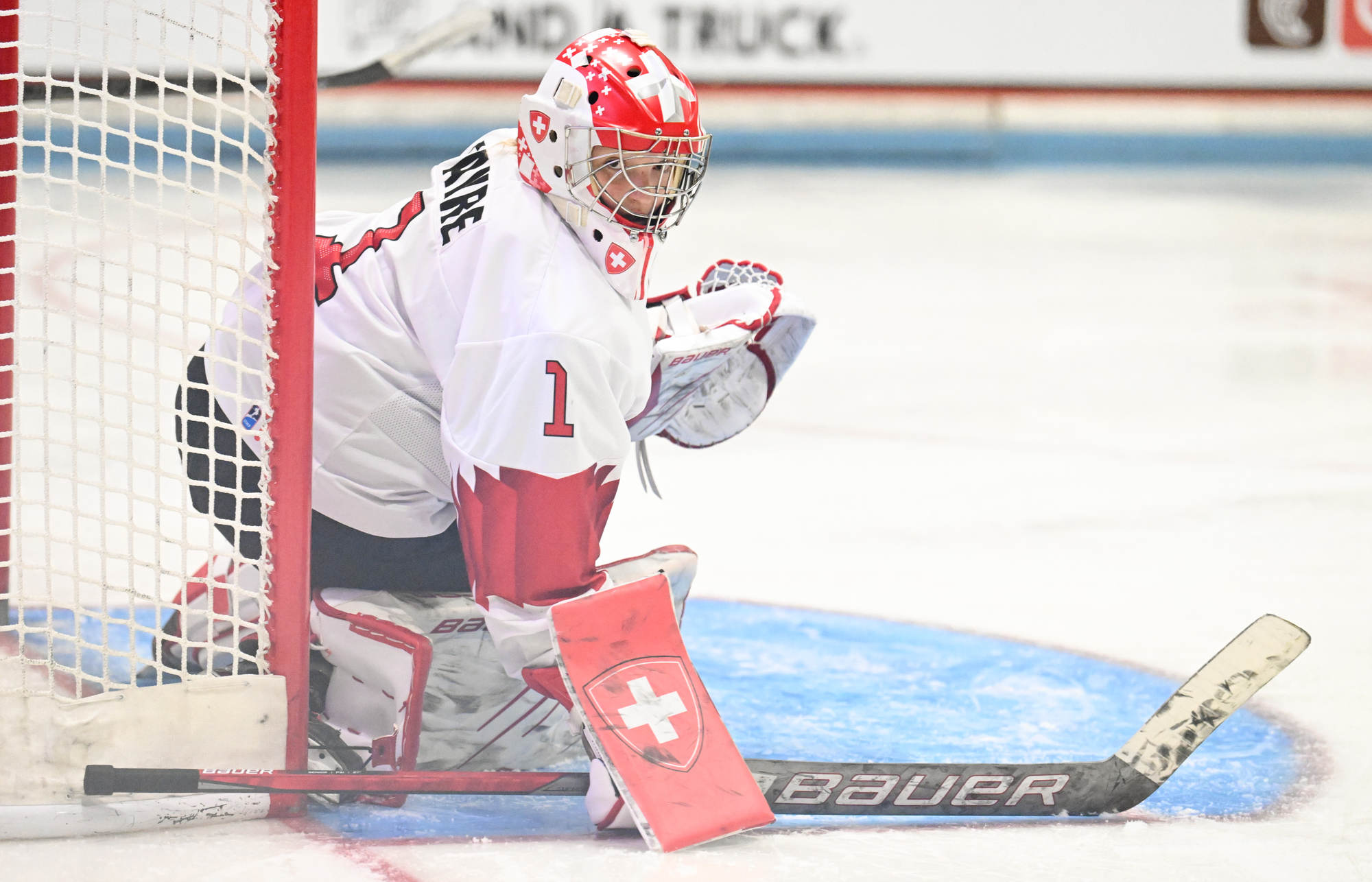 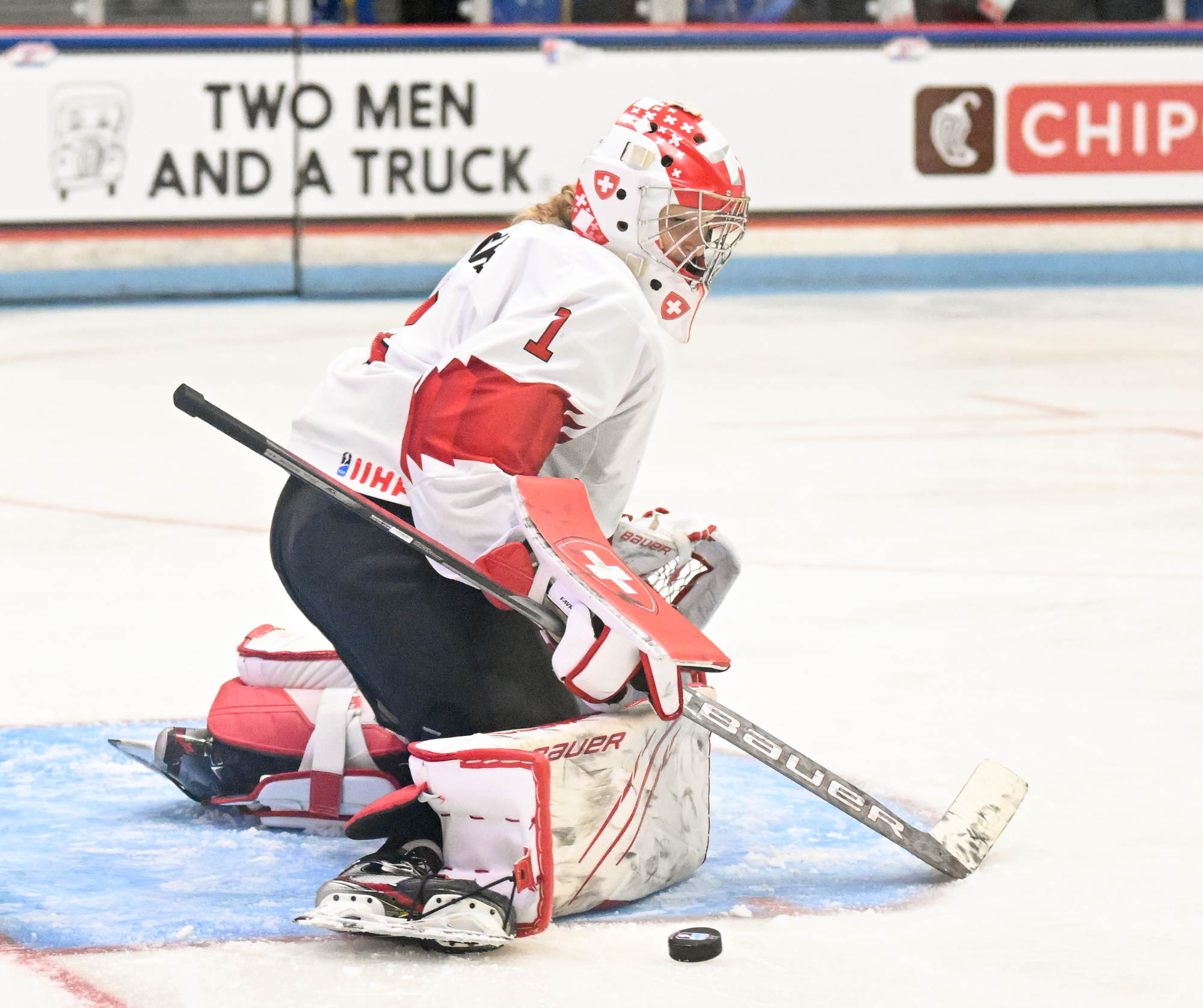 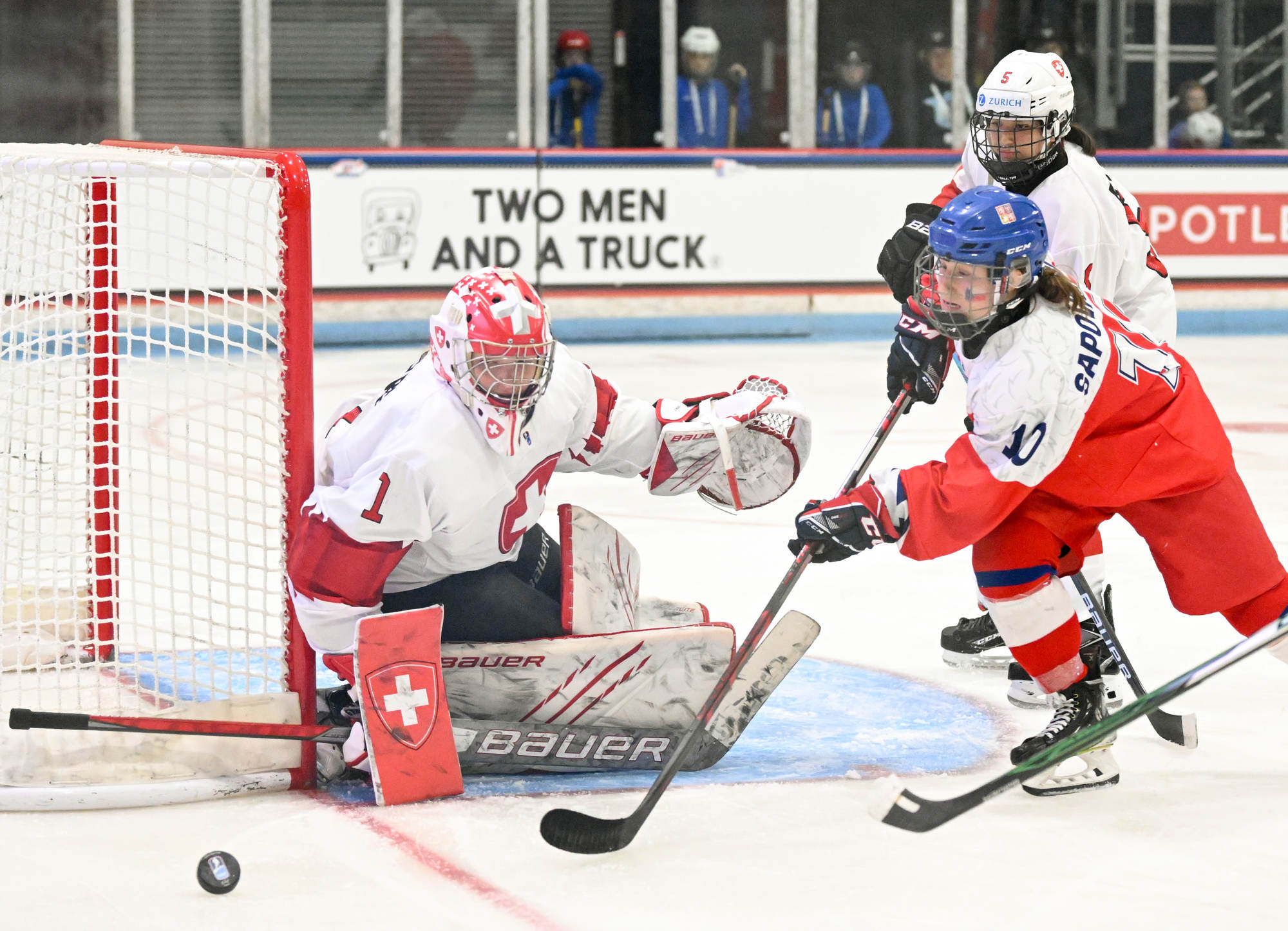 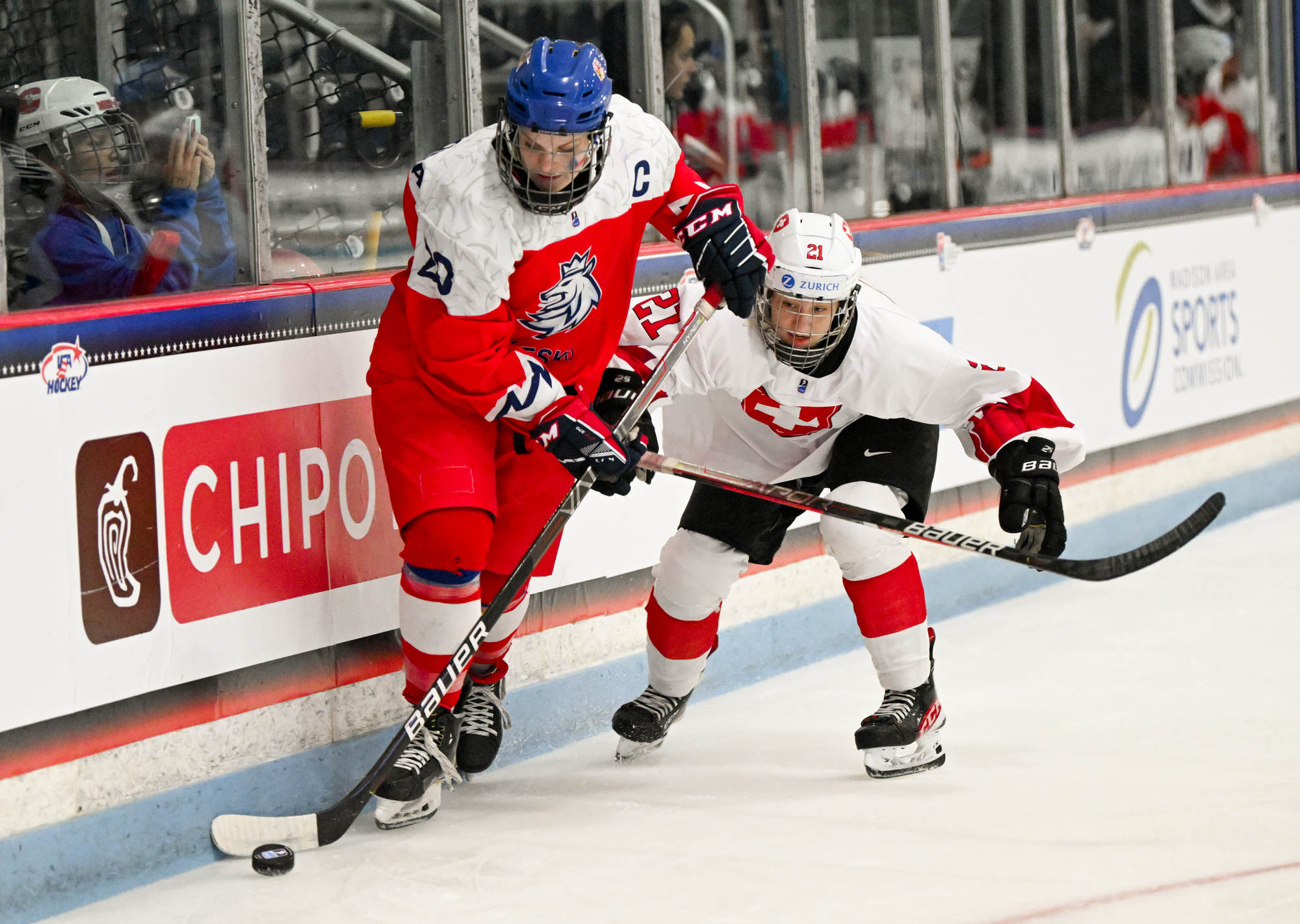 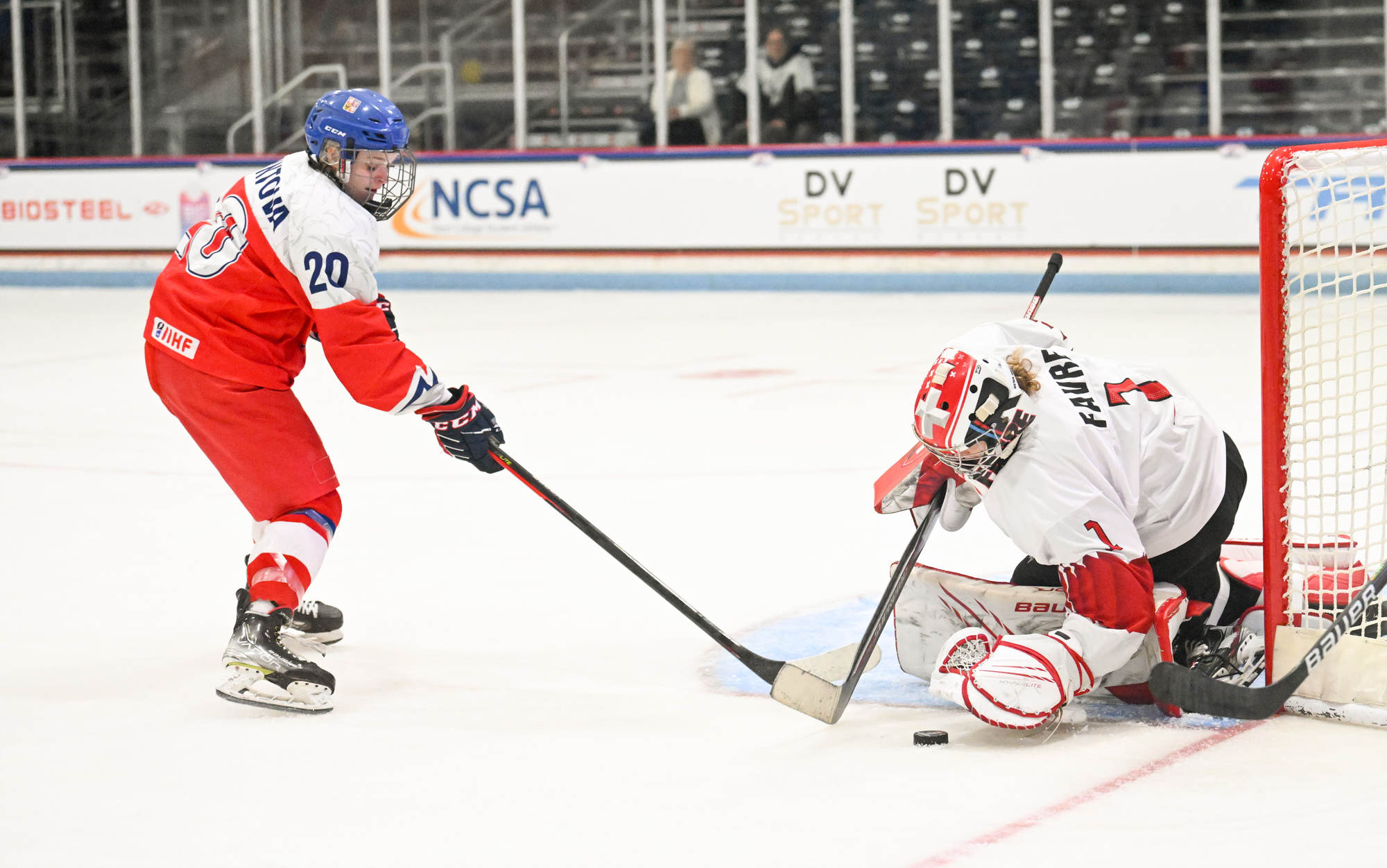 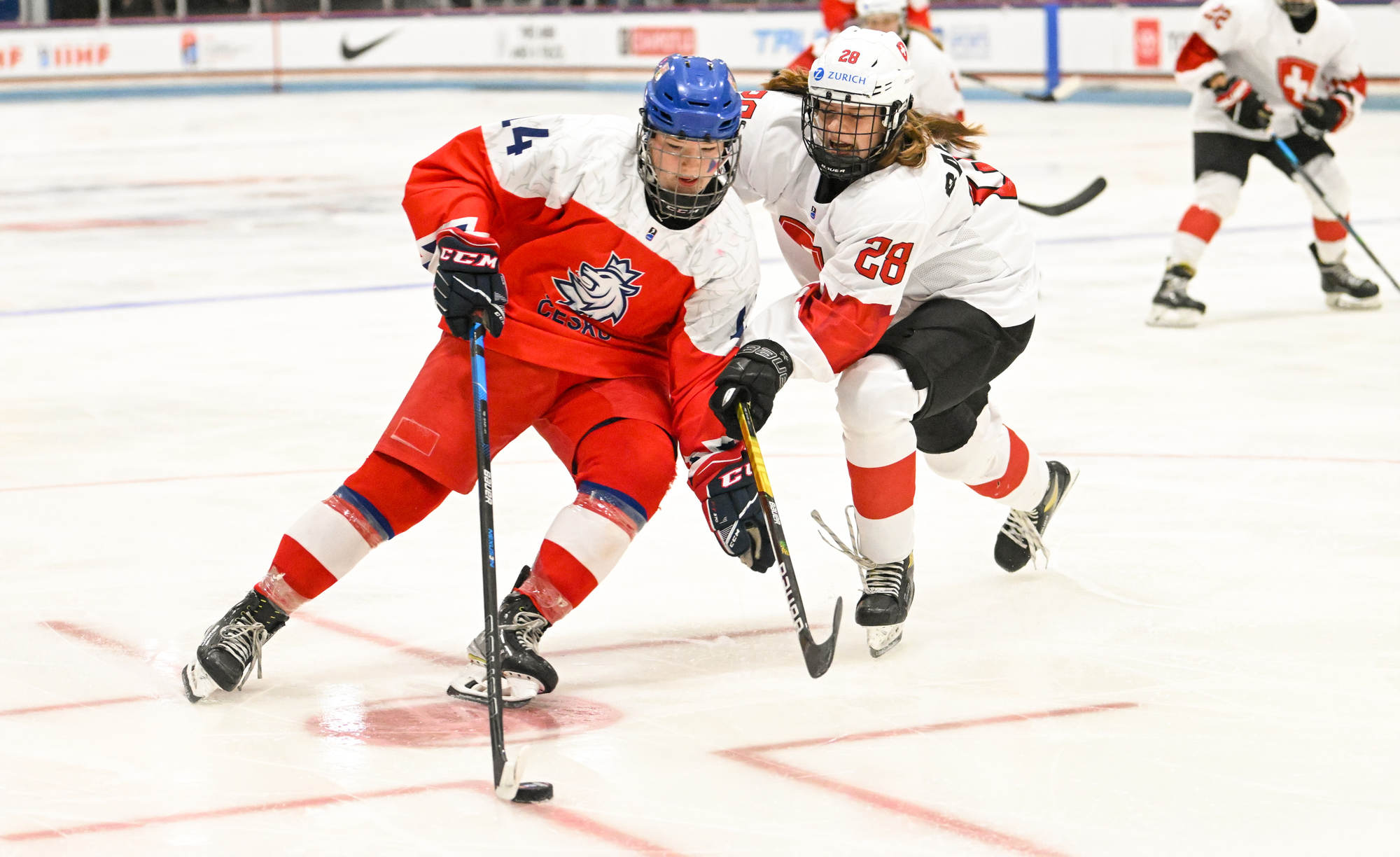 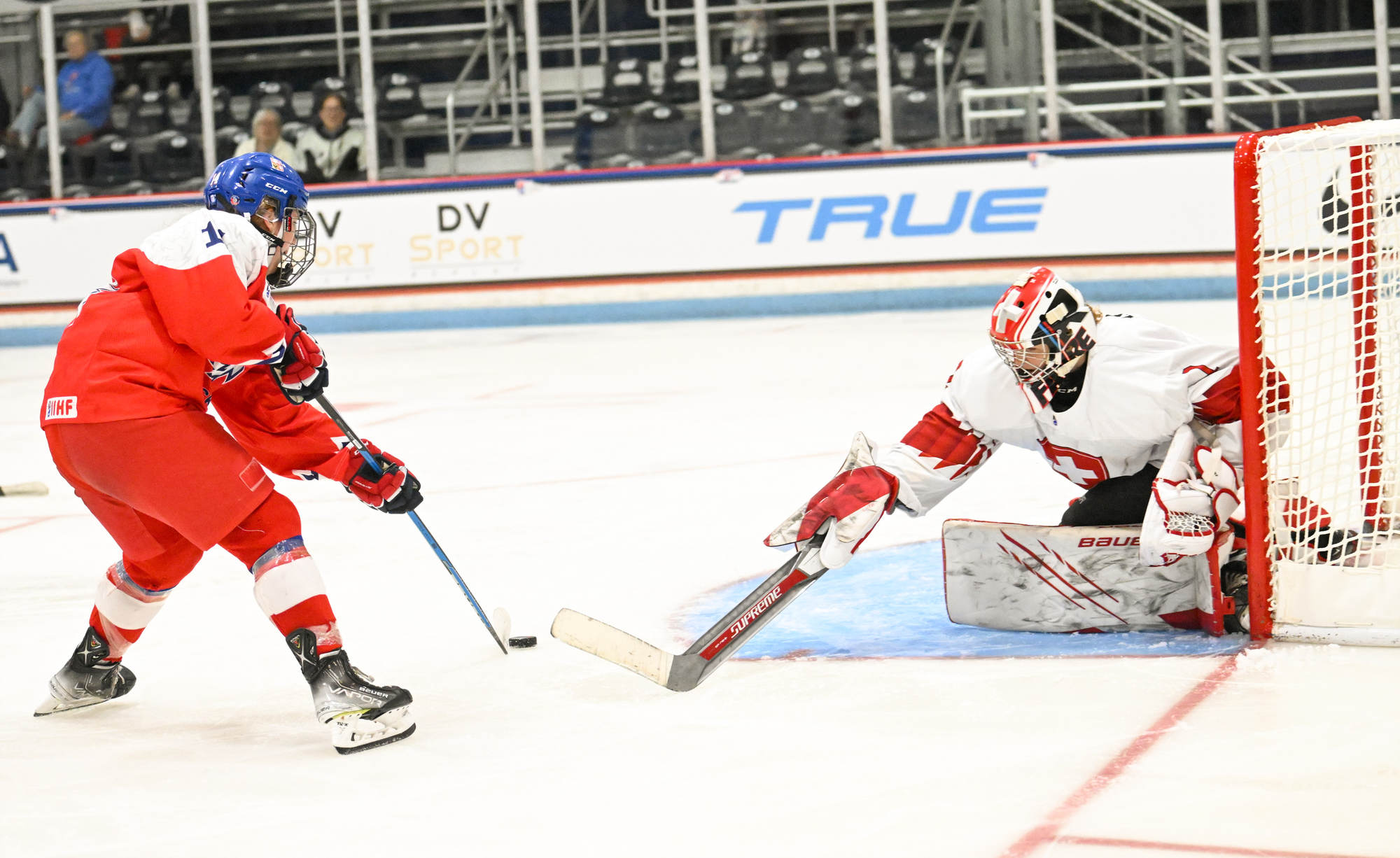 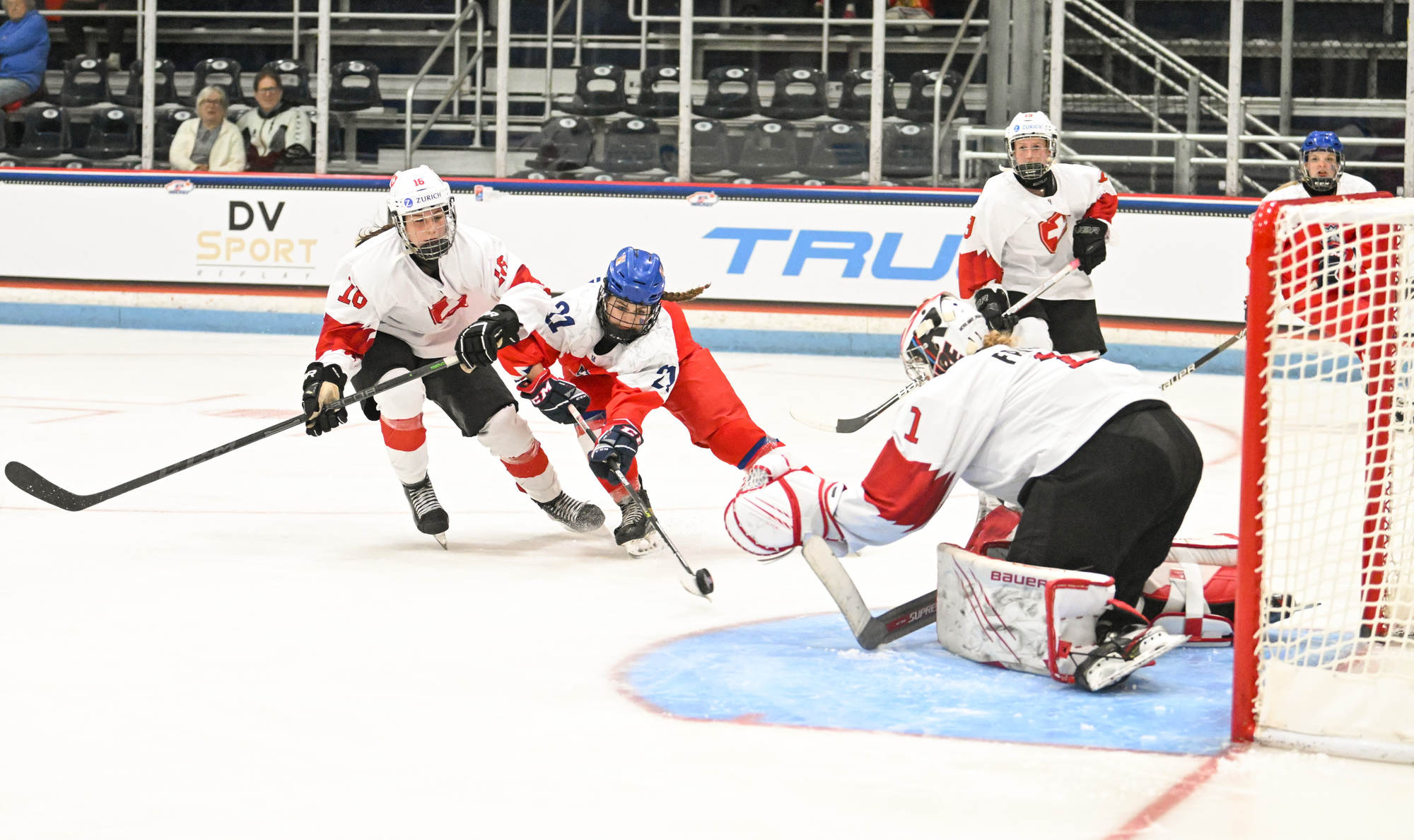 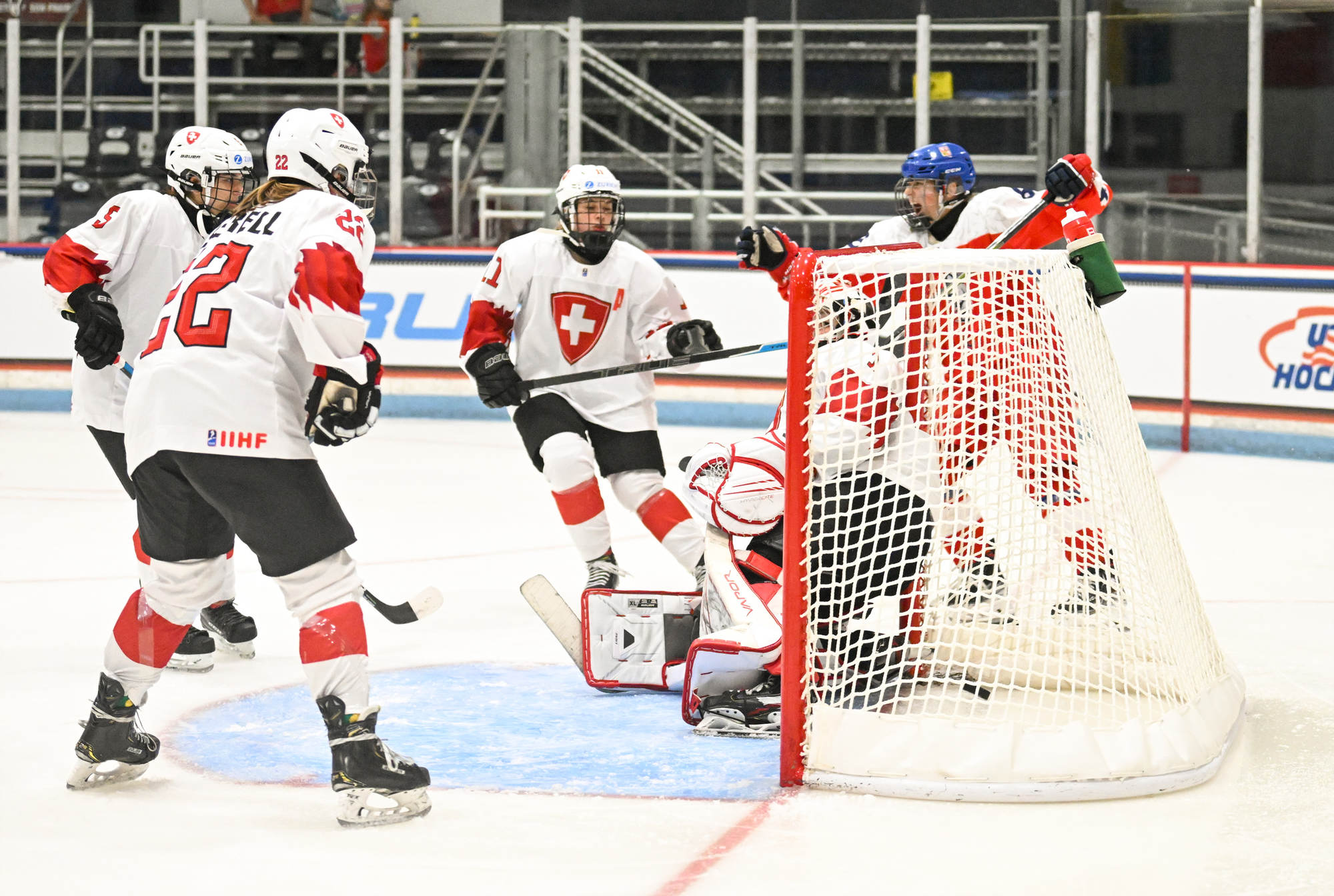 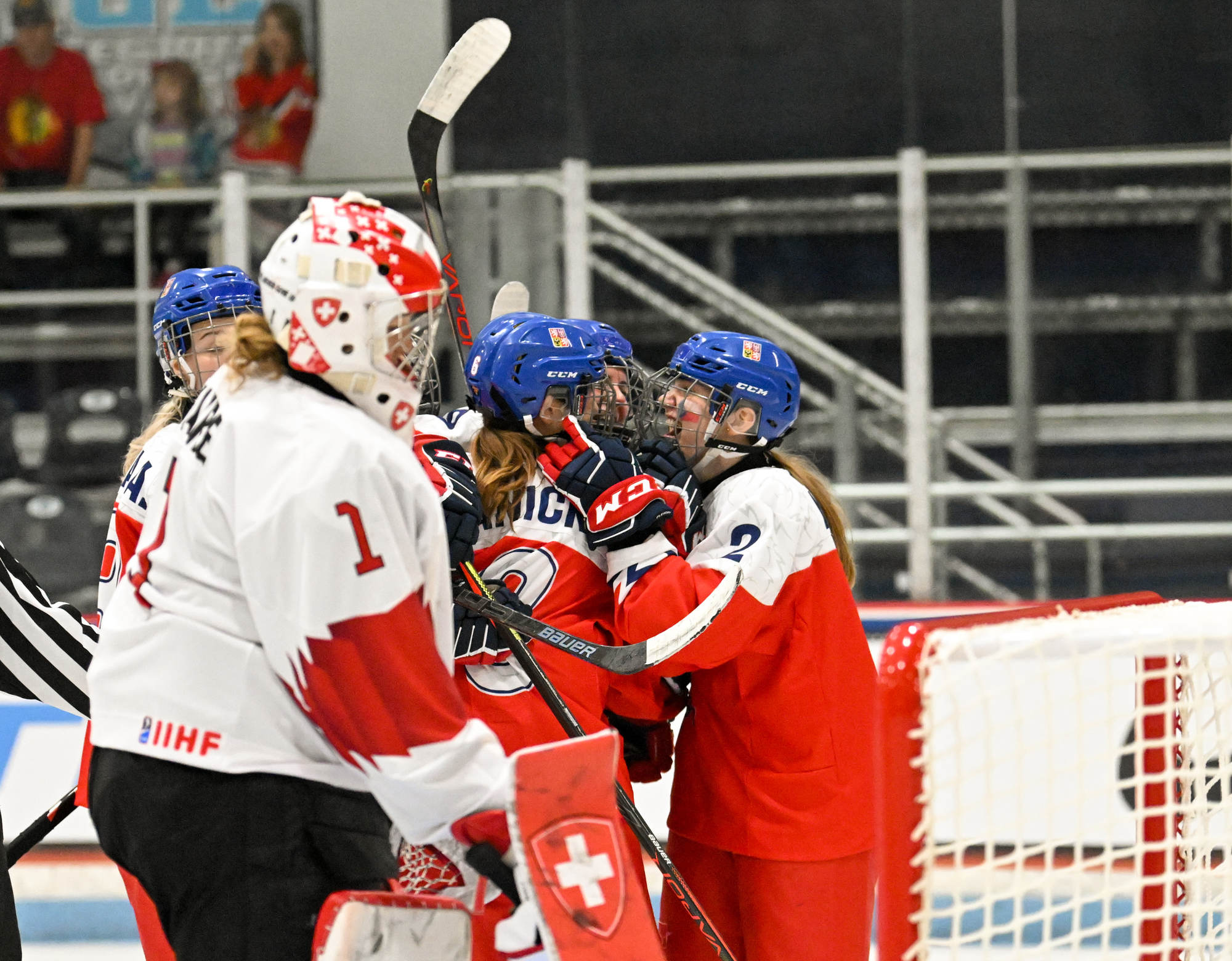 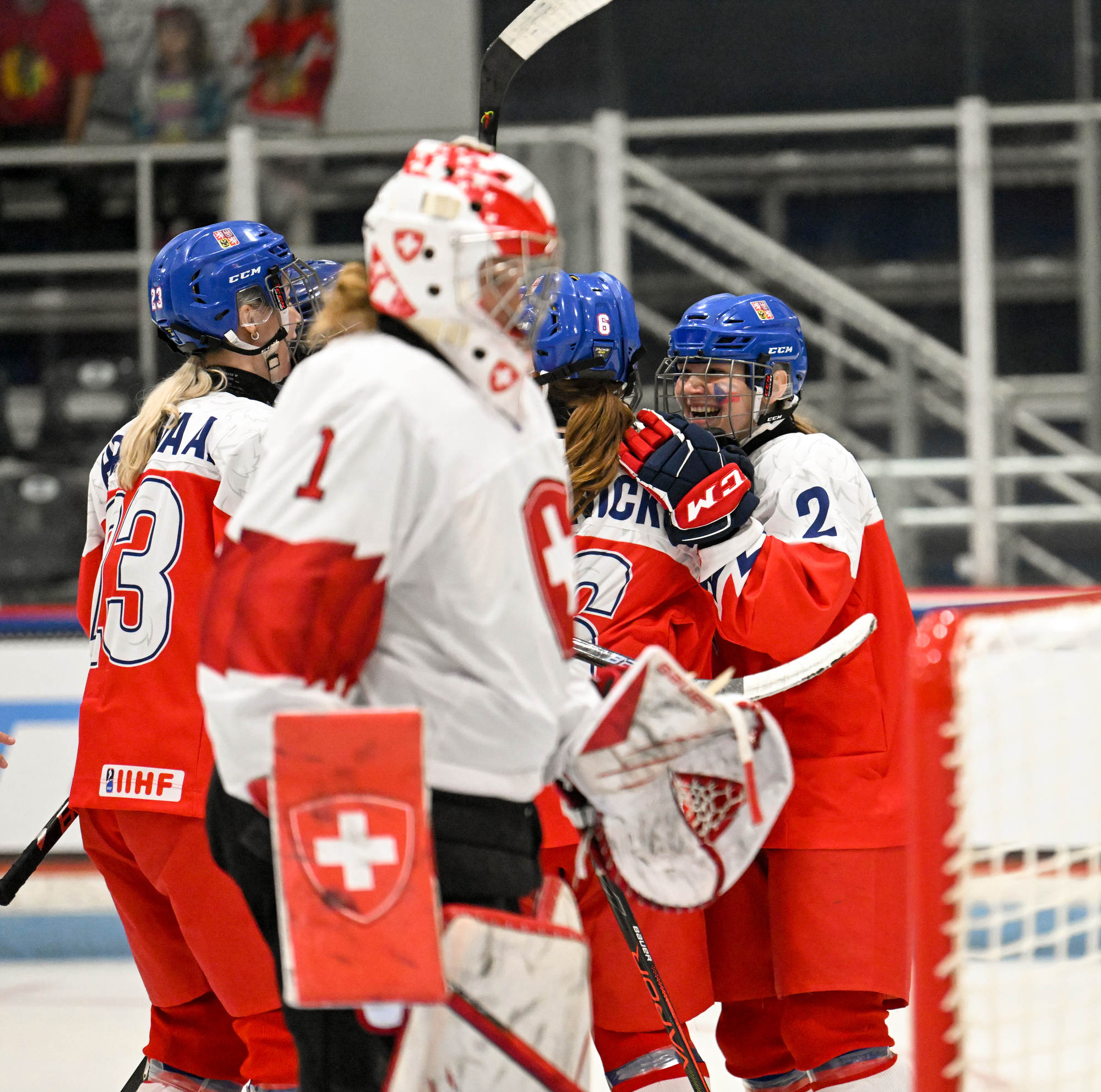 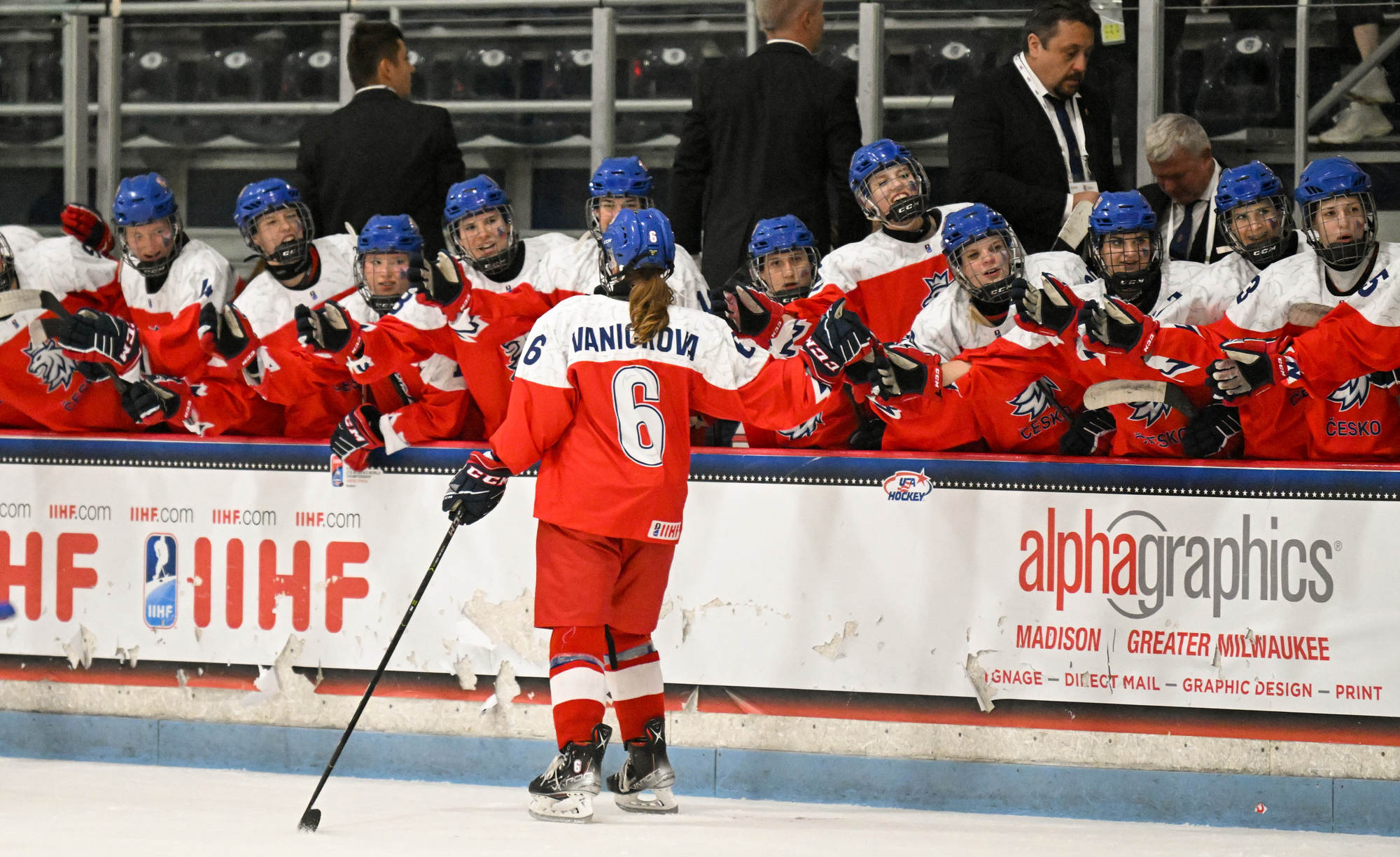 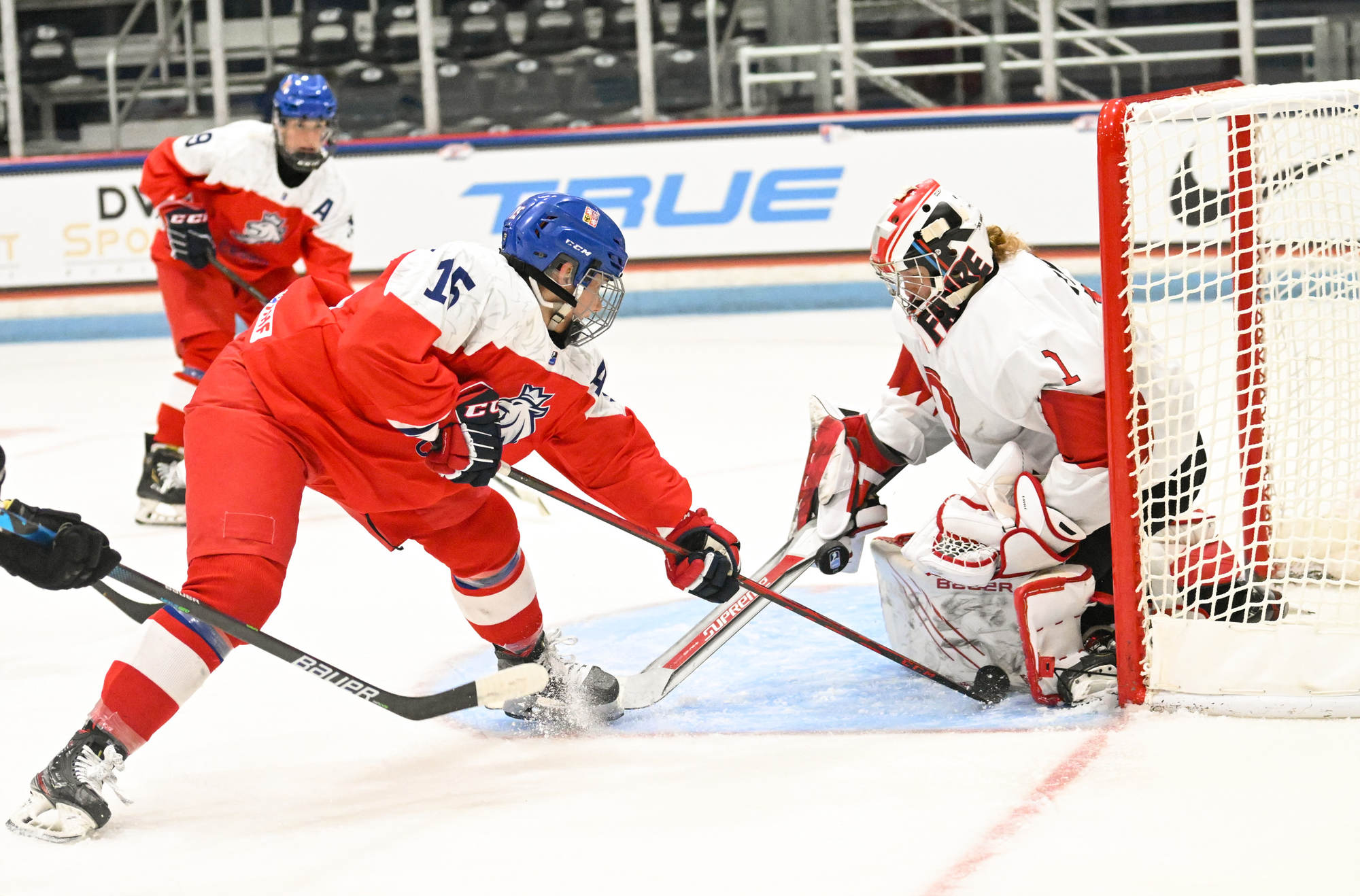 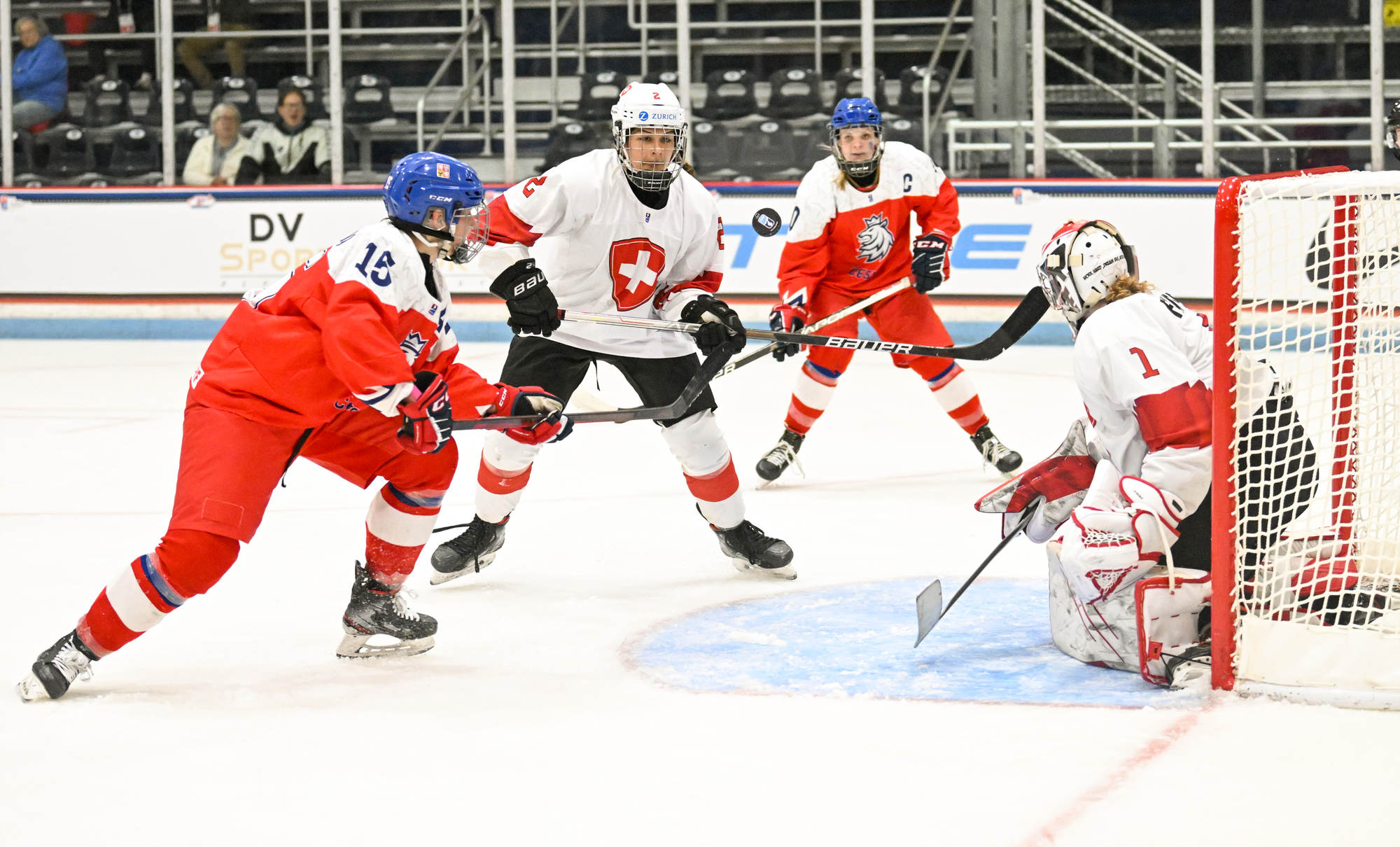 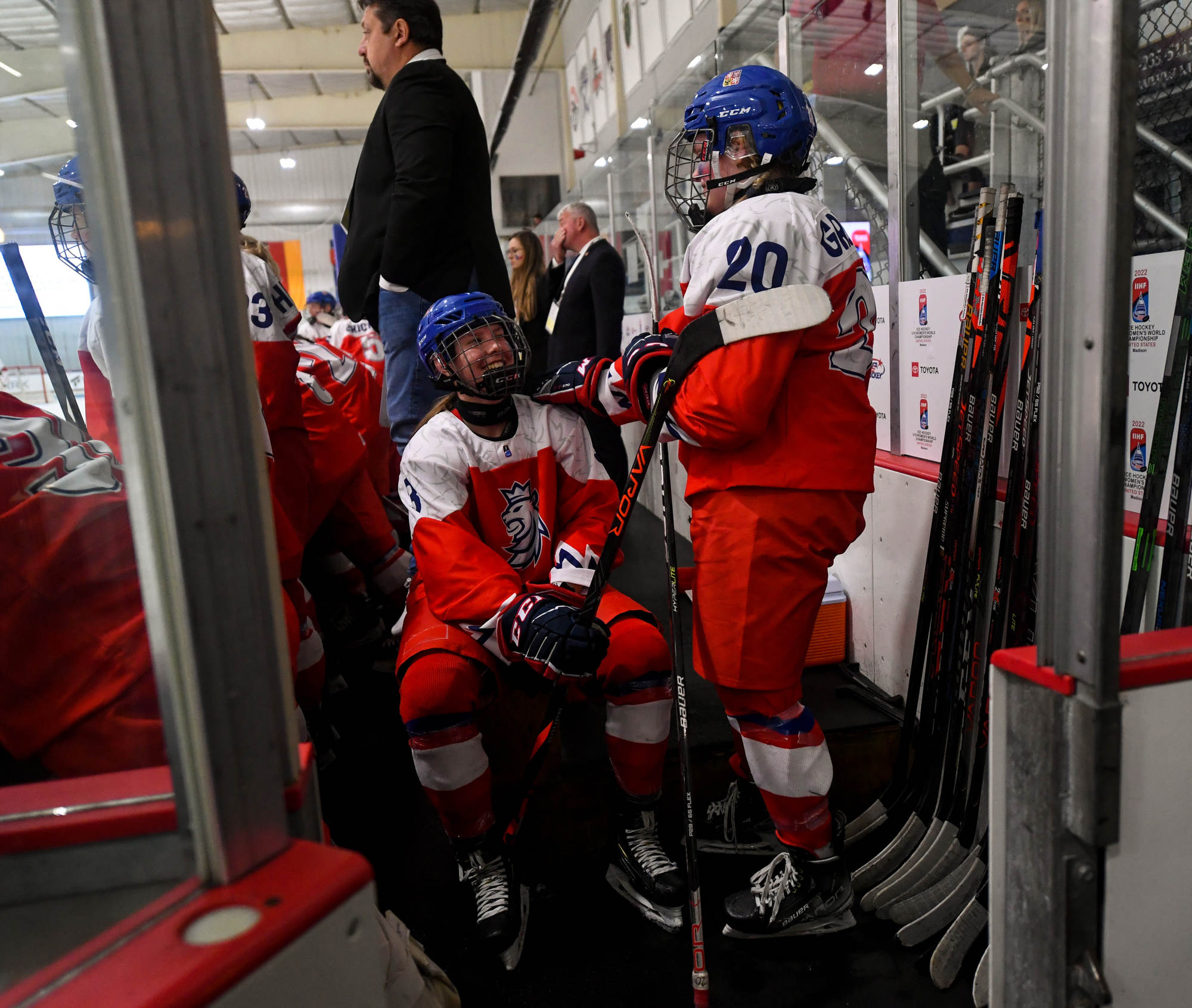 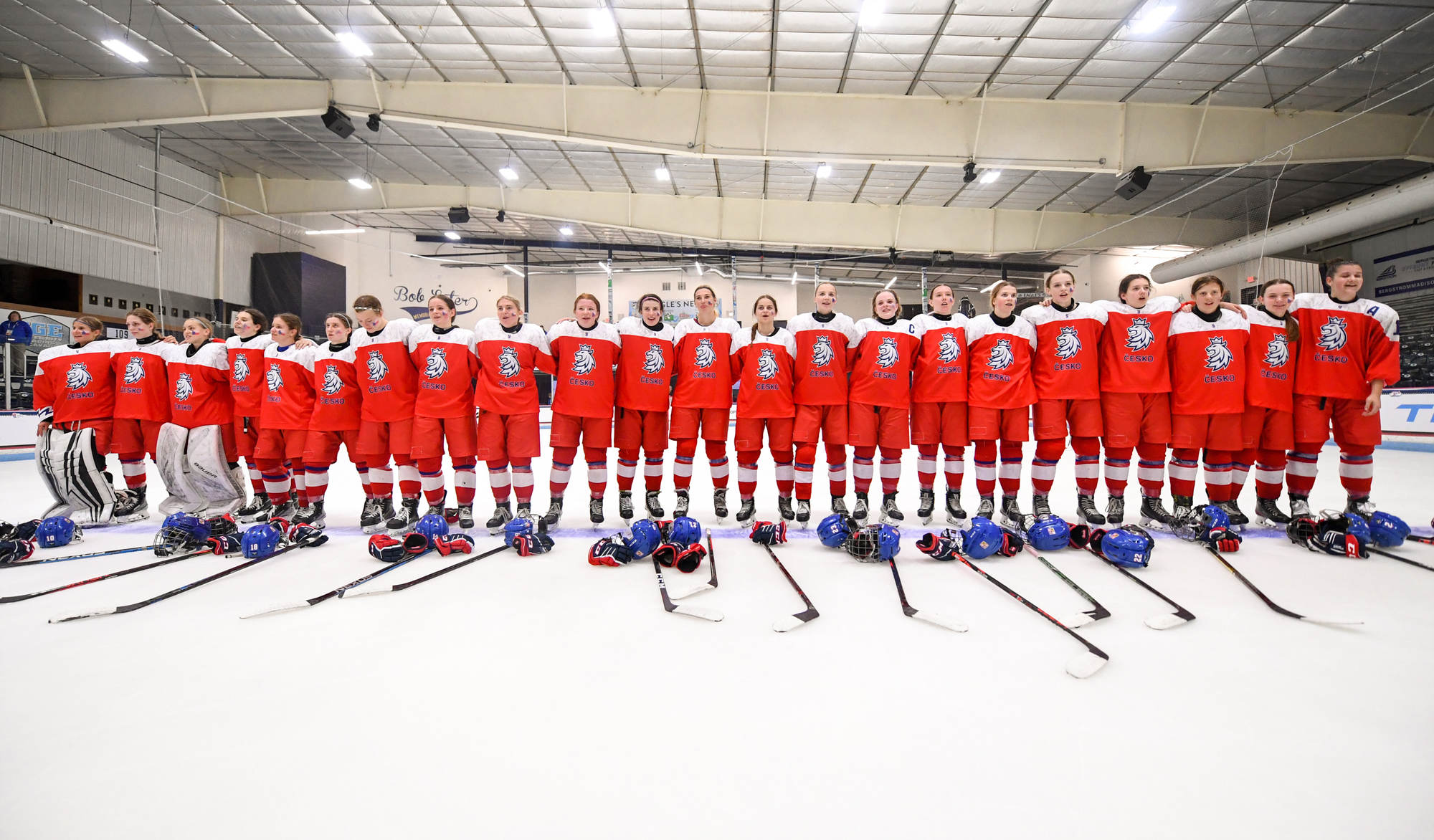 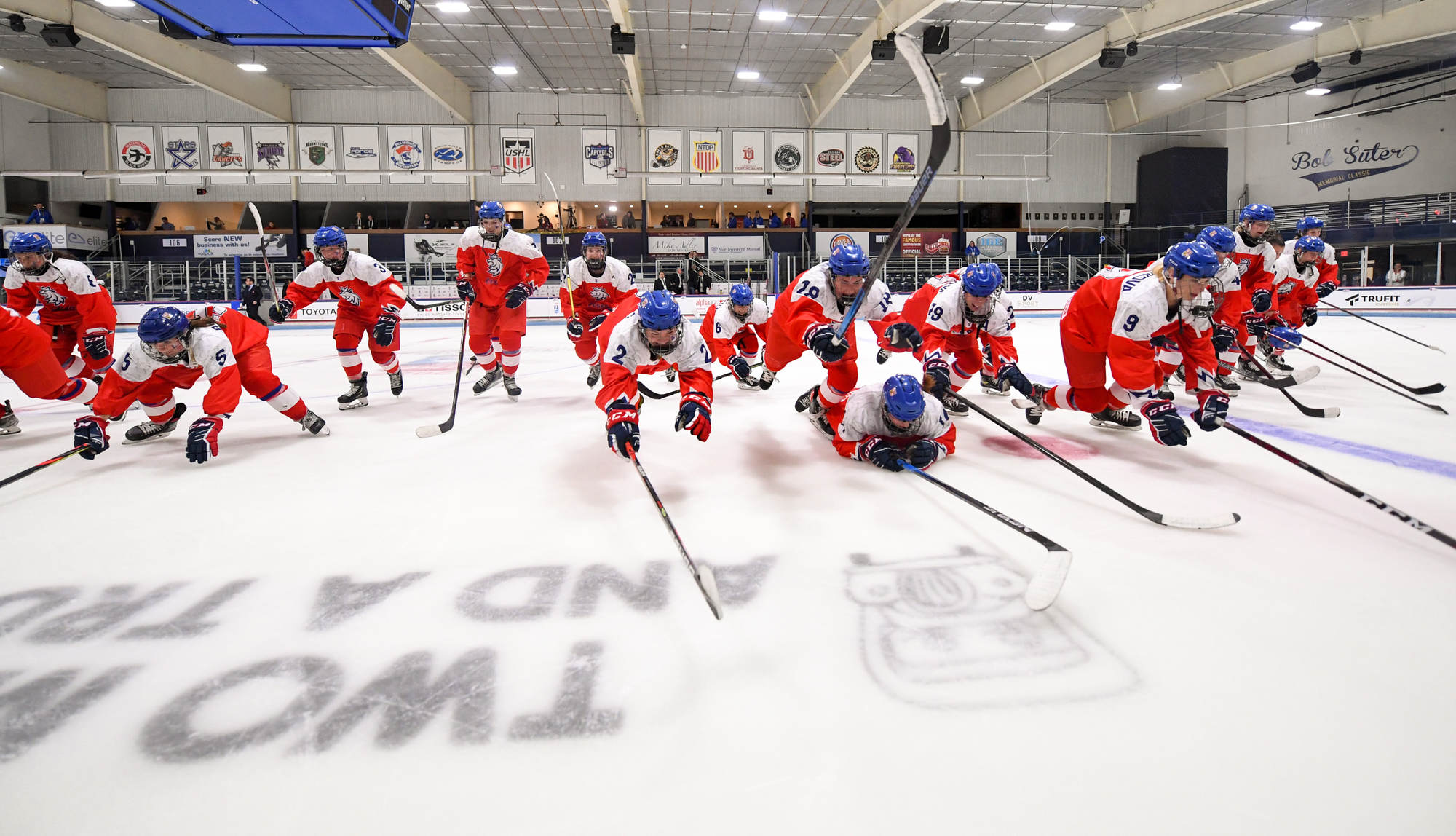 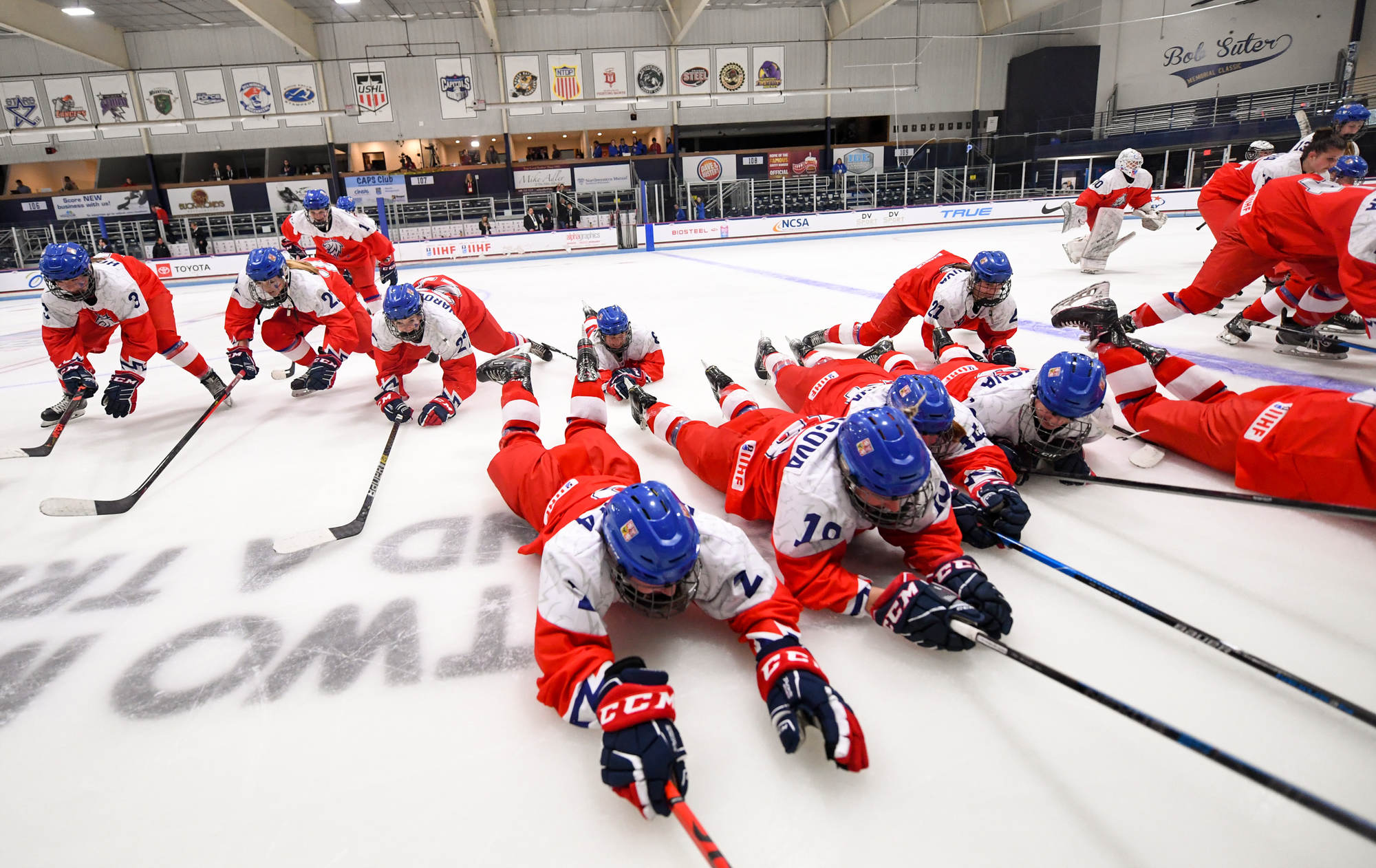 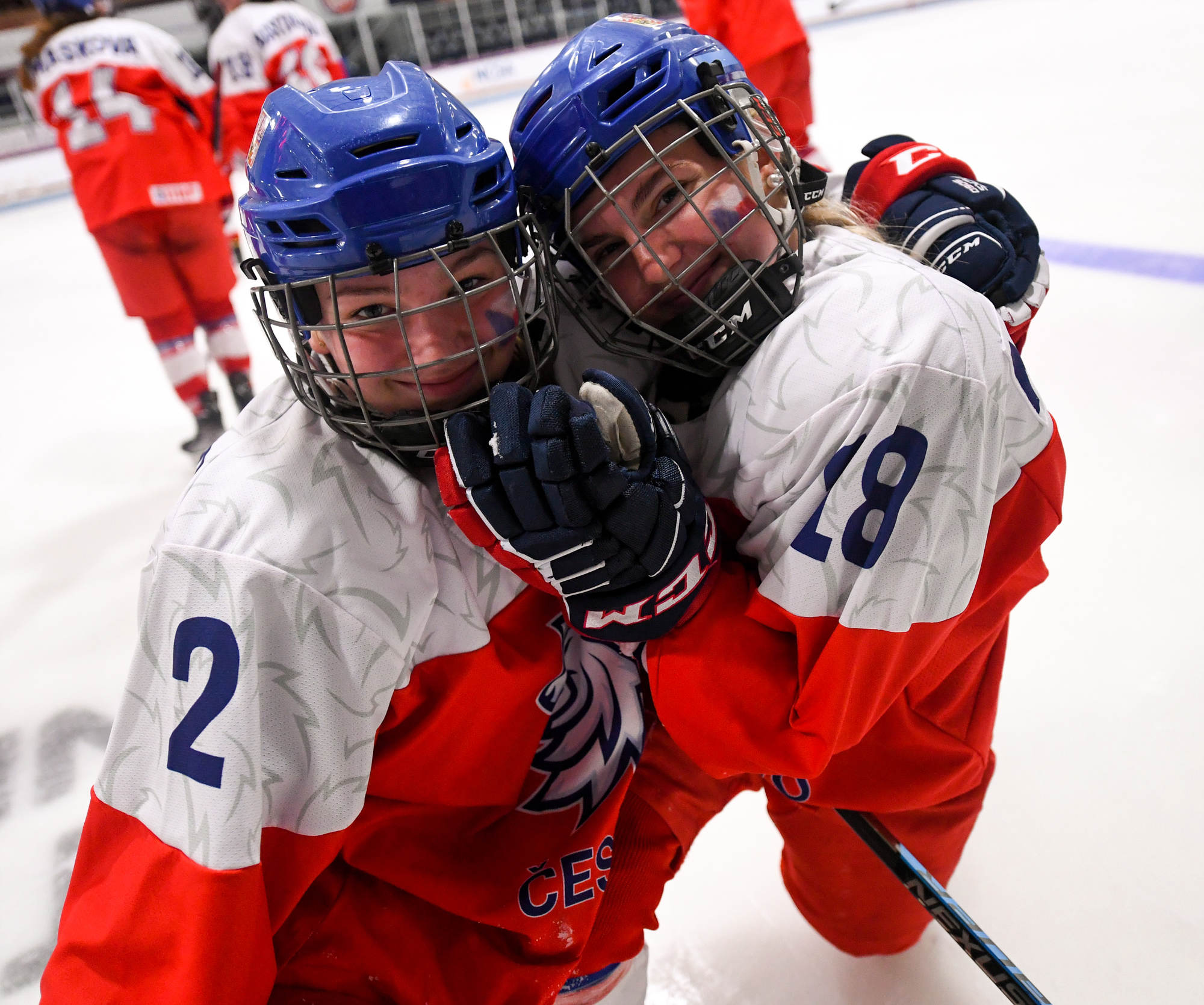 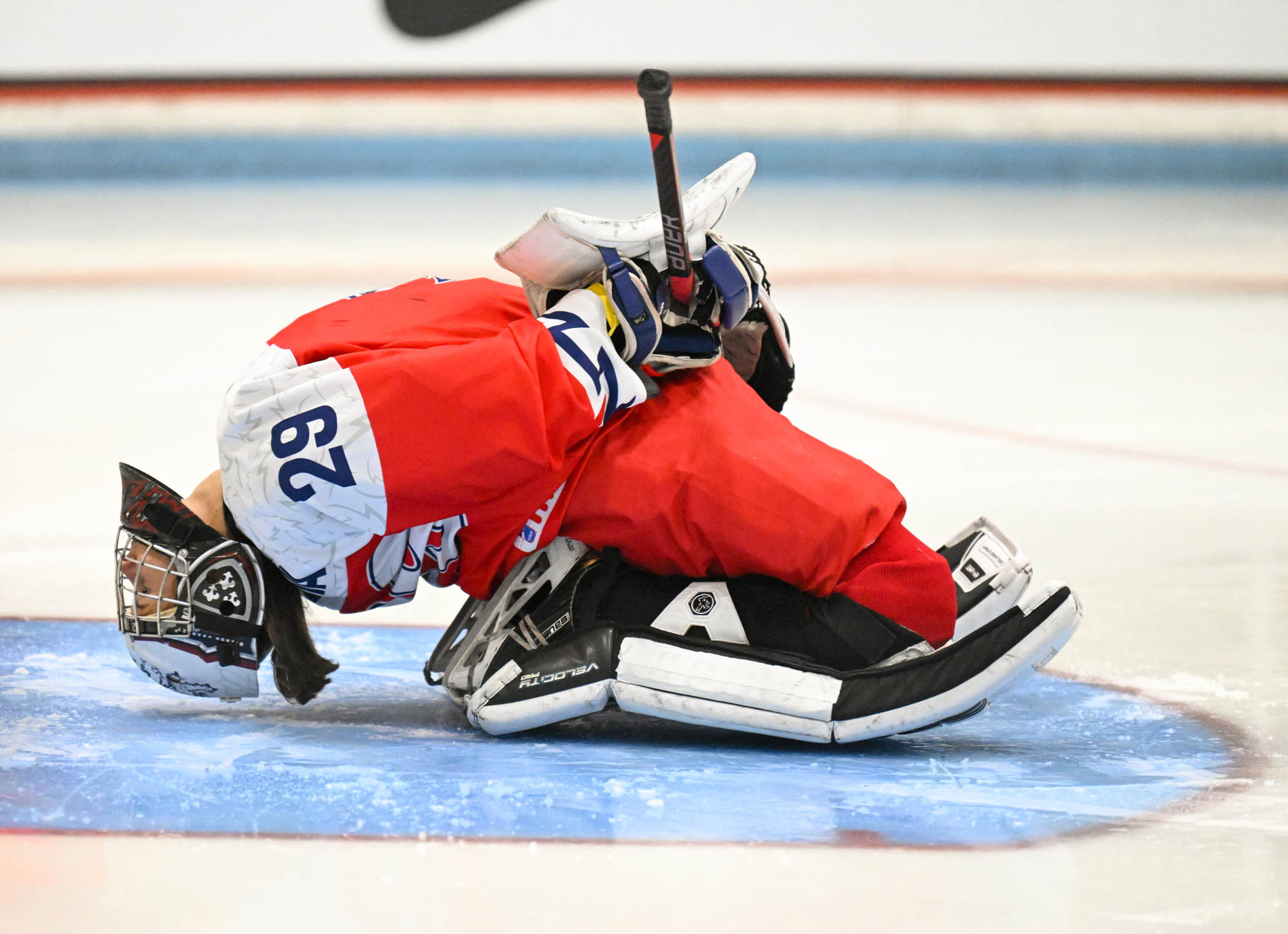 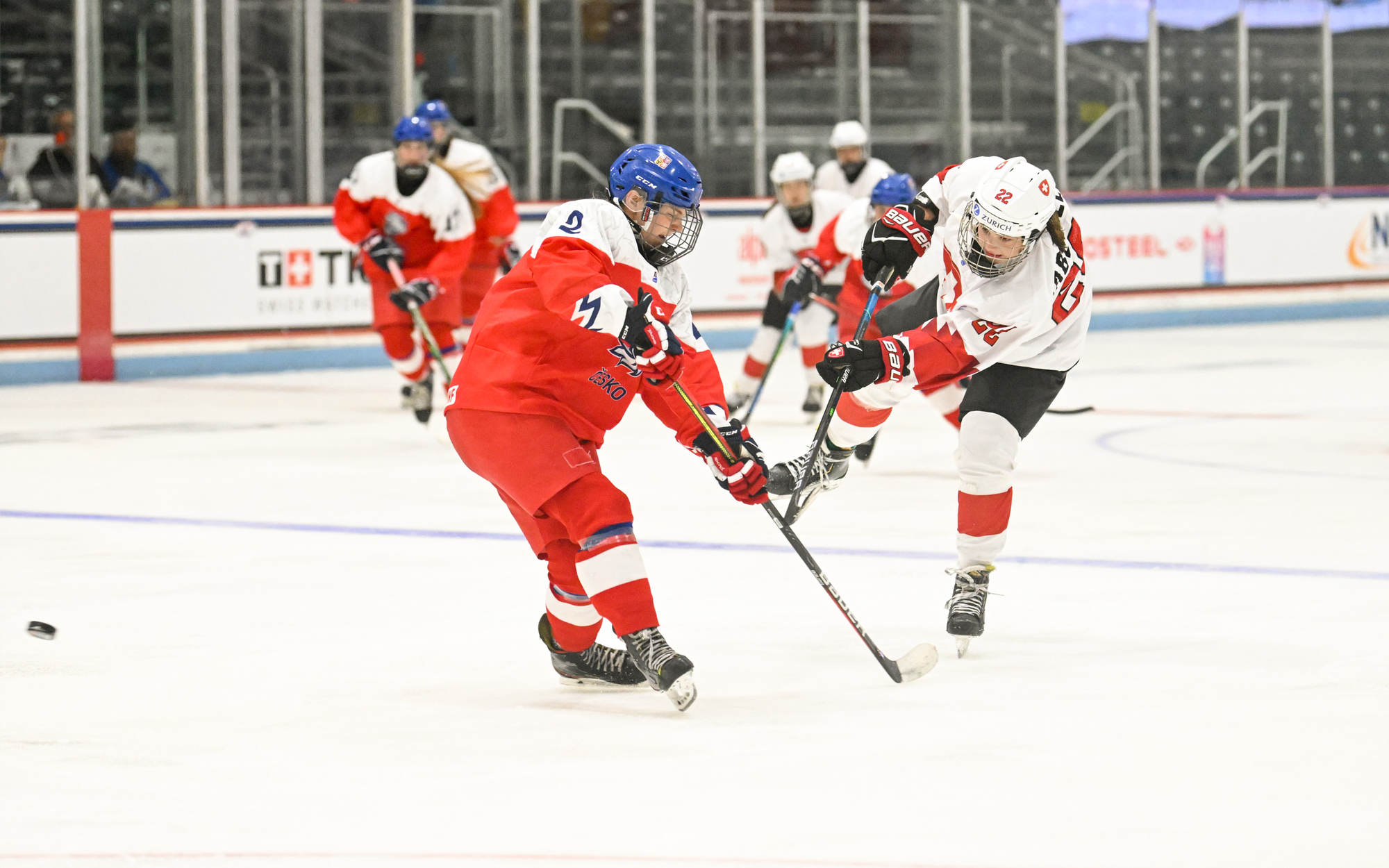 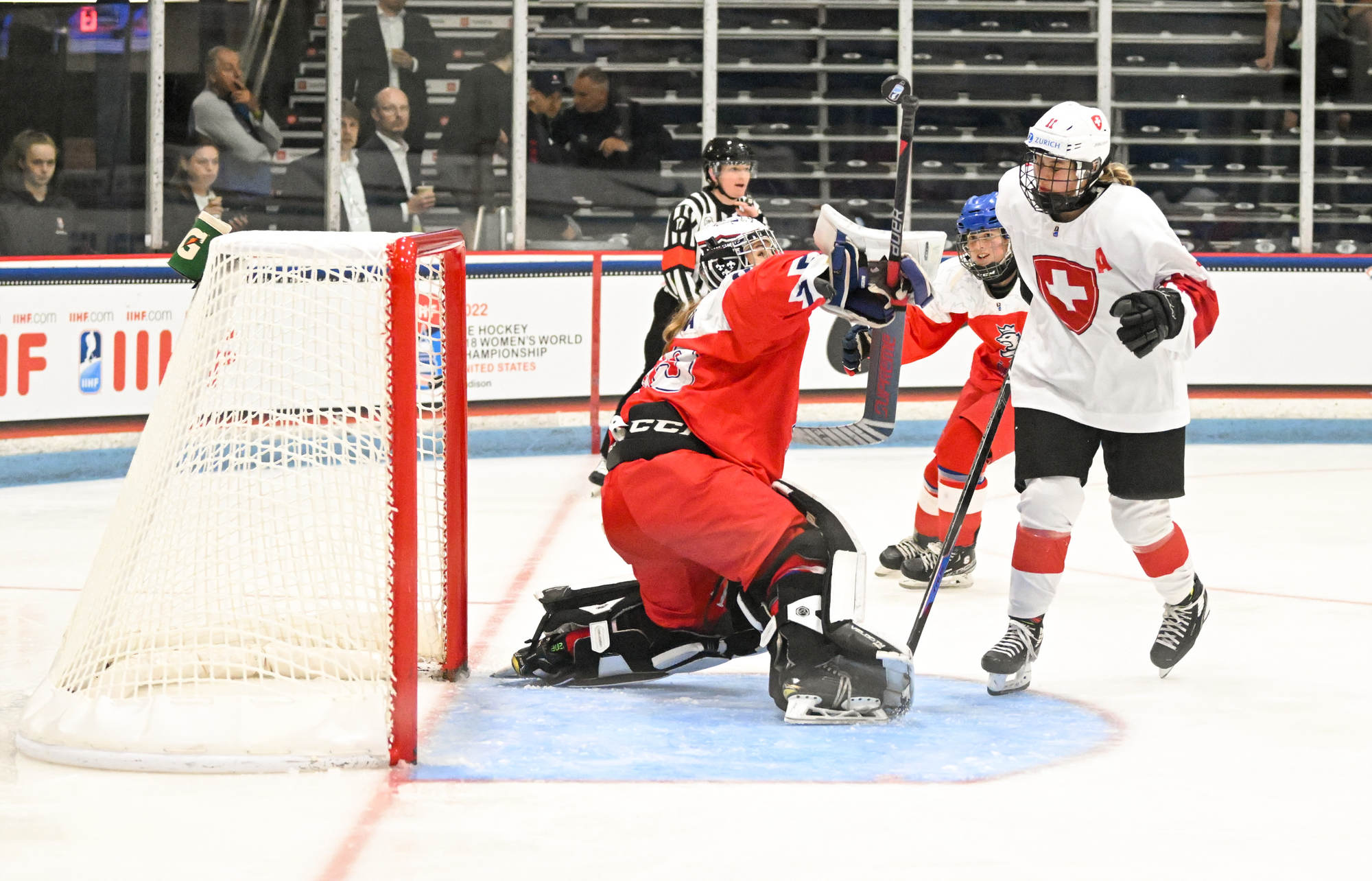 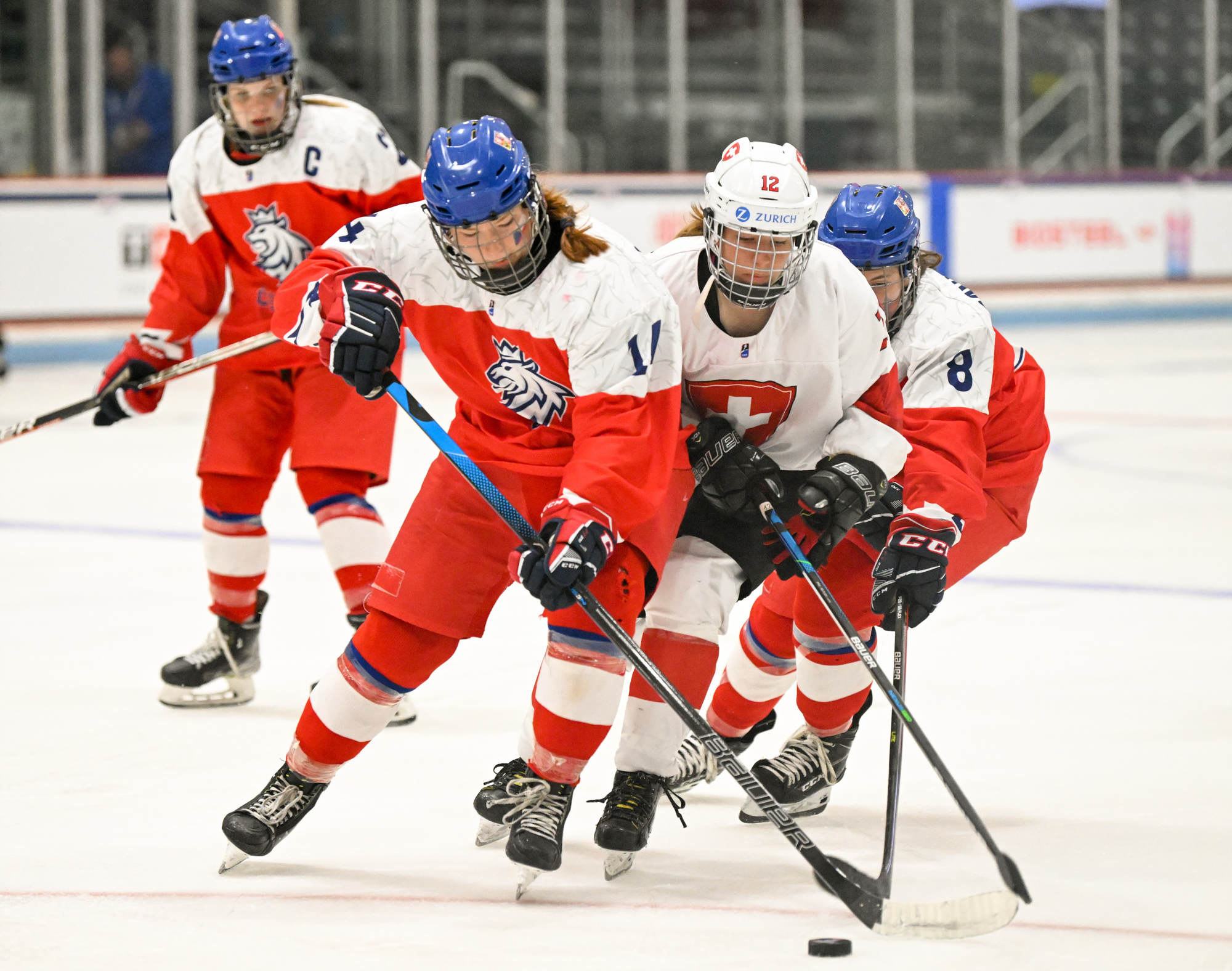 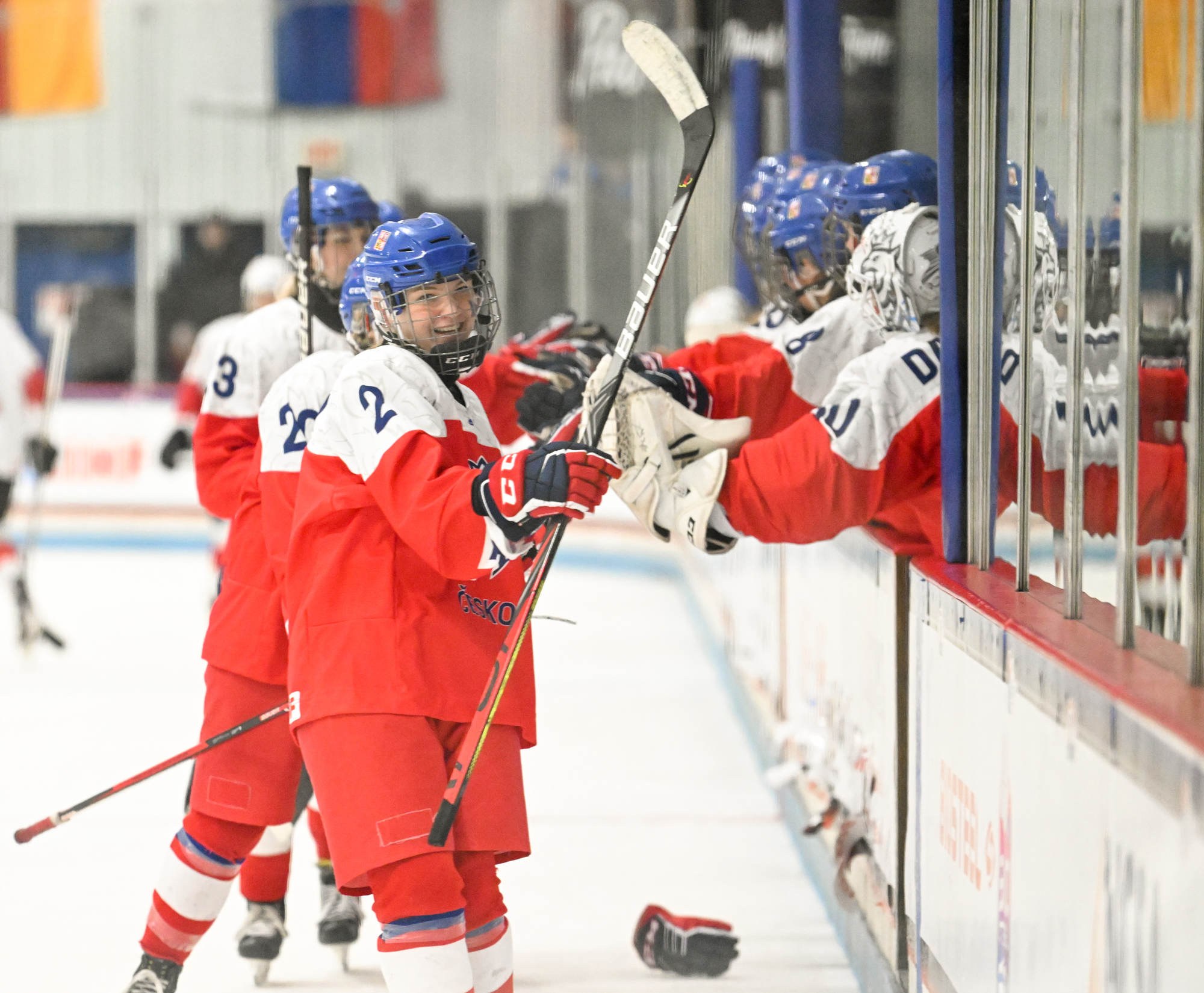 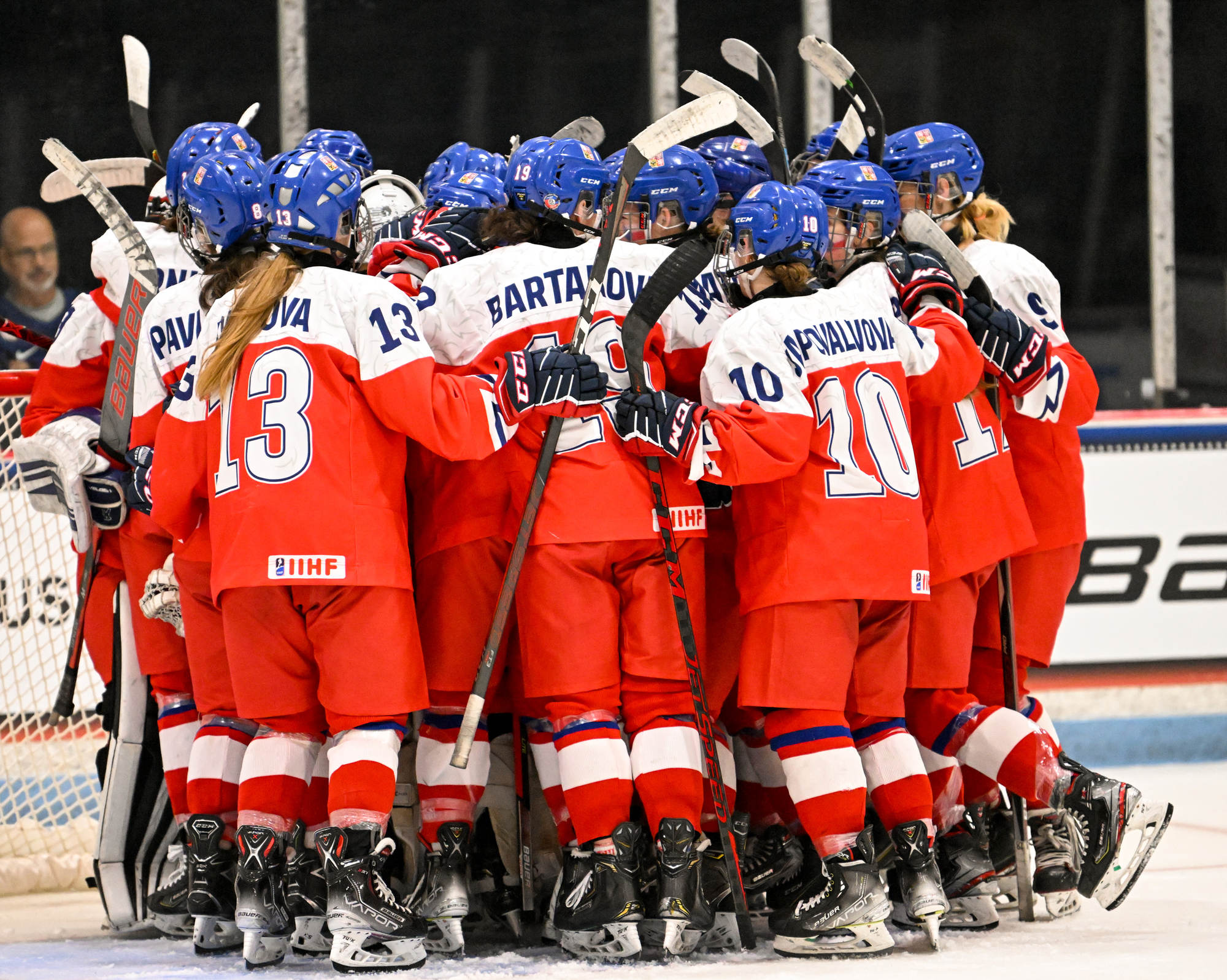 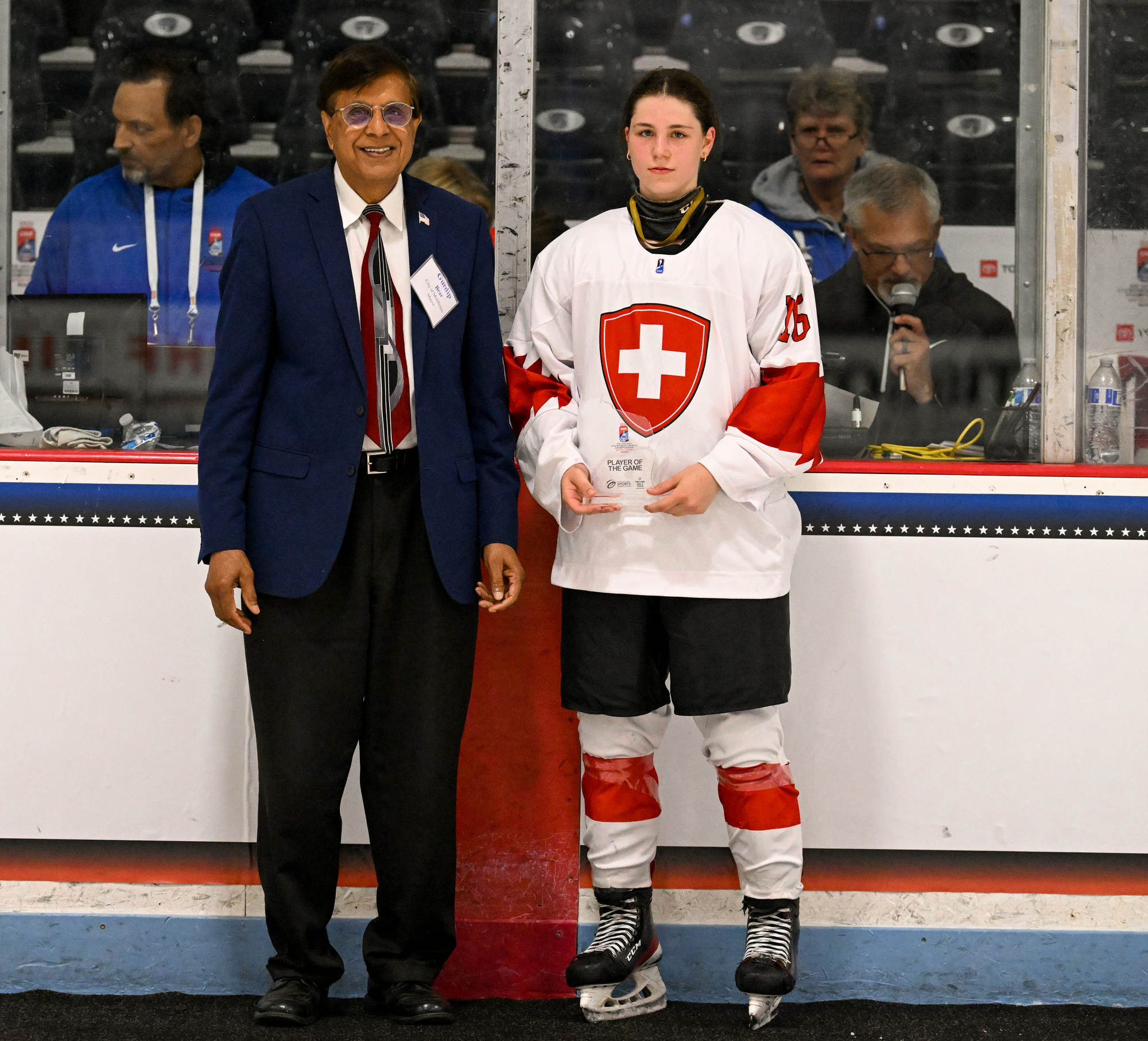 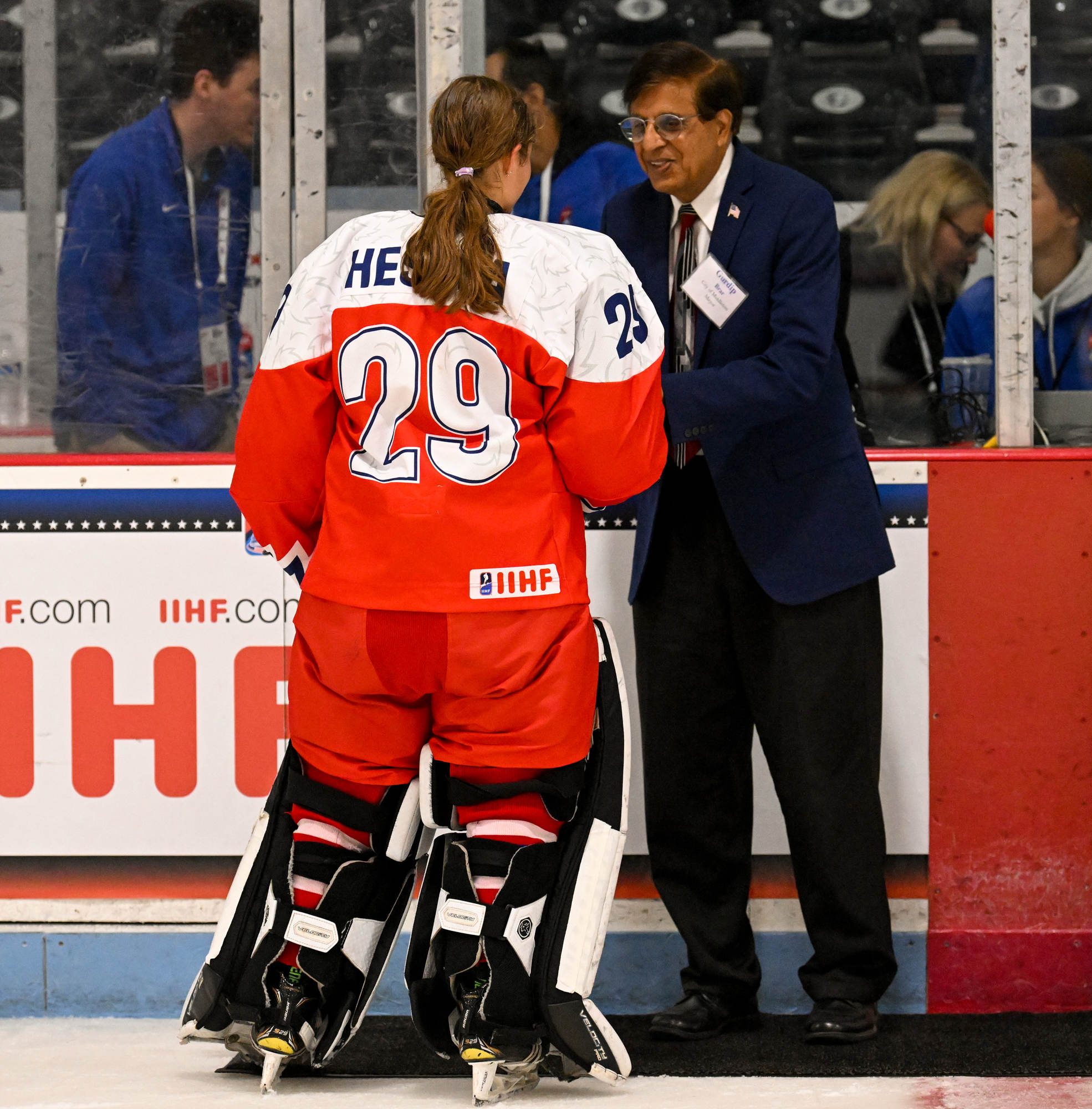 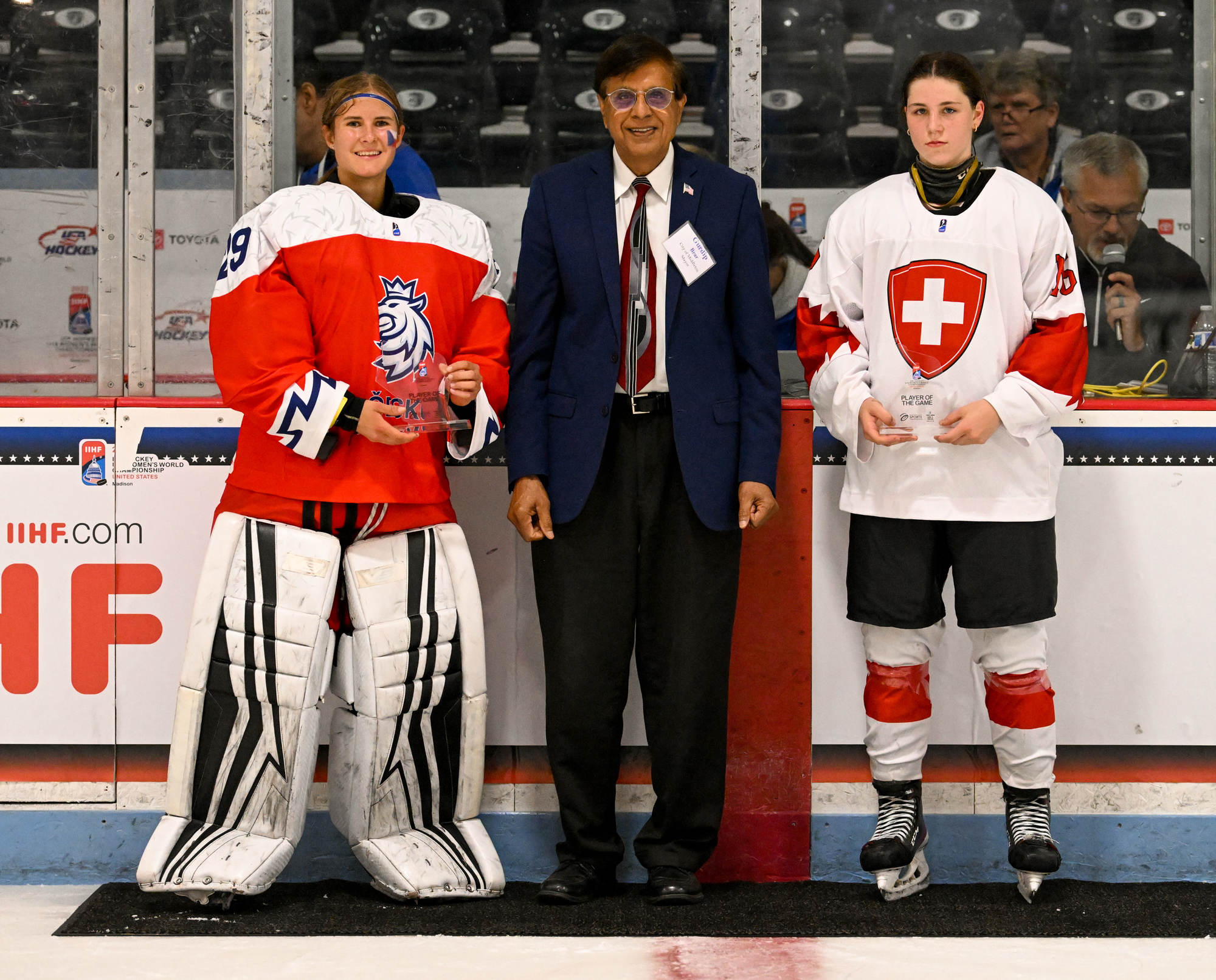 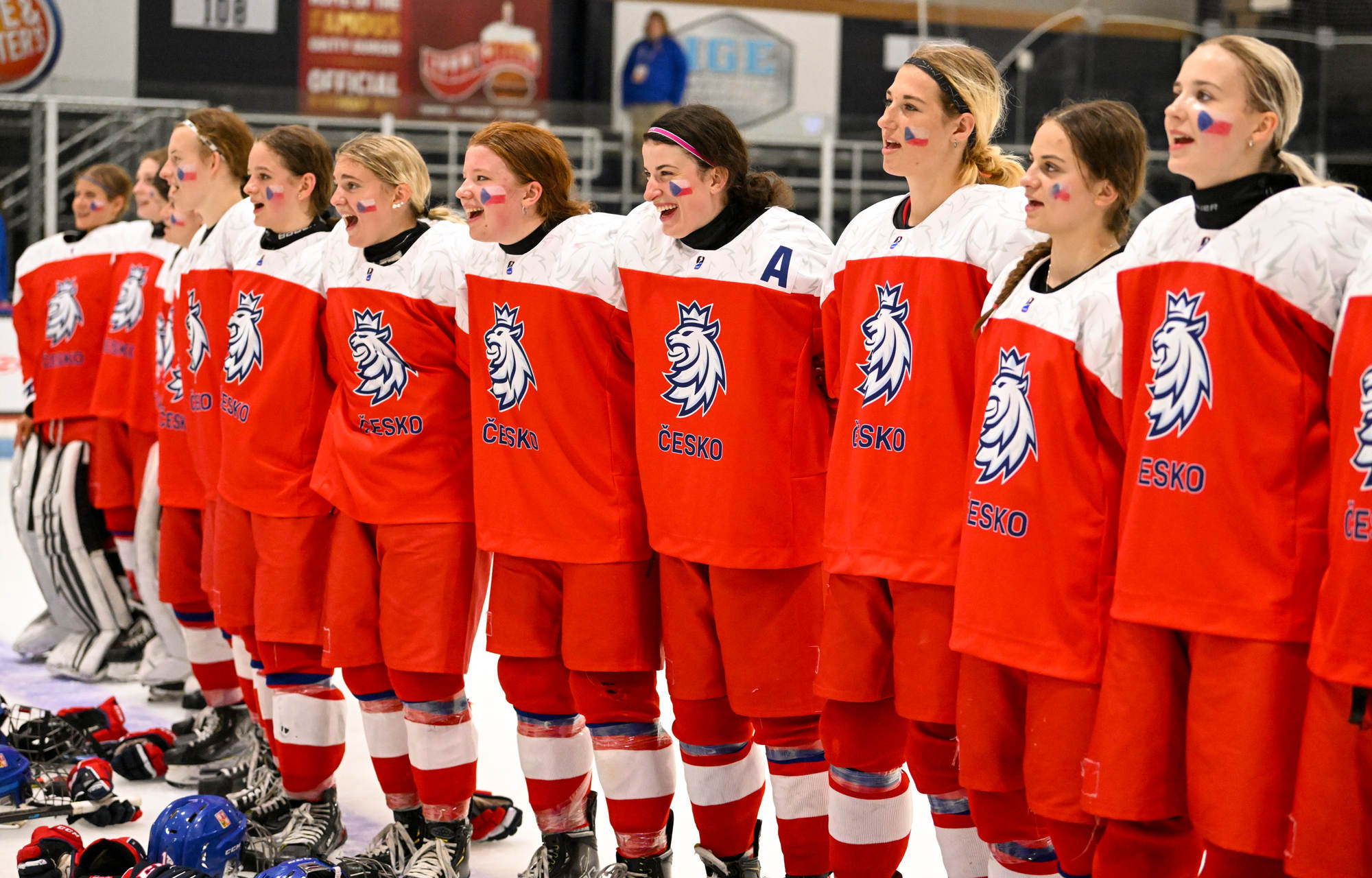