Progress for Asiago and Jesenice
The Asiago Hockey players celebrate after winning the deciding game for top spot in Group D of the IIHF Continental Cup.
photo: Vito De Romeo
share
Asiago Hockey returned to winning ways by finishing top in the second round of the IIHF Continental Cup Group D. The Italian champions beat rivals Acroni Jesenice 5-2 late on Sunday night to progress through to the third round of the competition without dropping a single point.

“I think we’ve got a team built to be successful in this round. It was a really important week for us to build some confidence in our group. I felt we accomplished that. We competed hard. We got to play with our kids quite a bit in our first two games which was a good experience for them. I am looking forward to the next round,” said Asiago’s head coach Tom Barrasso.

Outshooting their Slovenian opponents 23-13, Asiago’s Allan McShane notched a goal and two assists for the home favourites. At the other end, Italy’s national team netminder Justin Fazio had a quiet night between the pipes for Asiago stopping 11 shots.

Having been on the back foot throughout most of the top-of-the-table encounter against Asiago, captain Gaspar Glavic and Erik Svetina tallied for Jesenice on a disappointing night out on the ice. But the Slovenes weren’t sulking for too long as this final clash in Group D proved in the end only to have winners.

Following the announcement of Kazakh champions Saryarka Karaganda’s withdrawal from Group E, an additional team from the second round played this weekend in Angers, France and Asiago, Italy would qualify for the third round.

Jesenice’s 6 points and +7 in goal difference in Group D beat Romanians SC Miercurea Ciuc’s record in Group C of 6 points and +5. As the runner-up with the better record, Jesenice will be joining Asiago in the next round of the Continental Cup.

Ahead of the Sunday night showdown between Asiago and Jesenice for the top spot in Group D in Asiago, both teams had enjoyed an easy passage in the competition up until that point. Asiago opened their Continental Cup campaign with ten different scorers and a seven-goal middle-frame explosion during a 14-1 rout versus Serbian champion Vojvodina Novi Sad. Nicholas Saracino then grabbed a hat-trick in a 9-2 win against Buz Adam Istanbul in their second game.

Jesenice on the other hand got underway by wearing down Buz Adam Istanbul 5-1 thanks to three power-play goals. Against Vojvodina Novi Sad they peppered Serbian U20 national team netminder Akim Padalica with 60 shots in a 7-1 victory. David Planko, voted as the top defender of the tournament, enjoyed a fine afternoon for the Slovenes with a goal and four assists.

With the two pre-tournament favourites of Group D going head-to-head inside Asiago’s PalaOdegar on Sunday evening, the hosts immediately turned on the heat.

On a two-on-one with Luke Moncada, Michele Marchetti went for glory himself, unleashing a wrister from the right face-off circle in the top corner of Antti Karjalainen’s blocker side for Asiago to go in front after 2:52.

A four-hour drive separates the hockey towns of Asiago and Jesenice. As recently as last spring they memorably battled it out at the finals of the Alps Hockey League with Asiago lifting the title. The Italians have since leaped across to the Austria-based ICE Hockey League, so this was a rare opportunity for Jesenice to redeem themselves from last season’s sore final series defeat.

But the uphill battle became steeper for Jesenice as blueliner Niki Blomberg sat out an interference call after 5:40. Tournament top-scorer Anthony Salinitri first close from on the power play, before moments later a free-flying move saw Asiago double their lead. Surging ahead toward Jesenice’s net, McShane picked out Marco Magnabosco in the slot who turned Jesenice’s Luka Scap out of position to backhand the puck to Marek Vankus. The influential Slovak one-timed it low past Karjalainen at 7:07.

With Asiago winning the shots in the first period by 7-5, Jesenice cut the deficit to one goal at 11:45 when the burly Glavic tipped home a drive from the blueline on the power play.

Meanwhile over in France, the Romanian champions SC Miercurea Ciuc had already finished their Group D games in Angers to follow the events as they unfolded in Italy’s Veneto region. Keeping their fingers crossed for a flurry of Asiago goals, they briefly got their hopes up during the second frame.

At 14:56, a sloppy slashing by Jesenice’s team captain Glavic proved costly. Working on the man advantage, the Italians needed just six seconds to capitalize. Following a face-off win, Randy Gazzola and Salinitri passed the puck between each other on the blueline before the latter unleashed a drive toward Jesenice’s net. Saracino reacted the quickest on Karjalainen’s save to slot home a backhand for 3-1.

Salinitri had just sat out a two-minute roughing call when he redeemed for his sins by scoring Asiago’s fourth. The Jesenice netminder Karjalainen was not getting much help from his passive defence with Asiago winning key battles in front of the net. Salinitri saw his initial effort saved by Karjalainen, McShane then went close before picking out Salinitri who poked the puck in the net with 1:35 left of the middle frame.

With Asiago pushing ahead for additional goals during a power play early in the third frame, Jesenice’s Svetina out of the blue pulled one back from the Slovenes at 3:52 of the last frame. He effortlessly sailed into Asiago’s zone and fired a shot from the left face-off circle shot sneaking its way past Asiago’s goalie Fazio for 4-2.

Winning the shots 10-3 in the final frame and firmly in control of the proceedings, Asiago closed the scoring at 49:16. Moncada picked up a careless Jesenice pass and on a two-on-one fed McShane, who cooly slotted home 5-2.

With 42 seconds left of the third period, Europe’s "The Final Countdown" was booming across PalaOdegar’s loudspeakers. Group D might well have come to an end, but both teams can now look forward to the semi-final stage of the competition next month. For Asiago it can hopefully give the team a confidence boost to kick-start their ICEHL season, which currently sees the bottom of the table with one win in seven.

“Our plan is to focus on our day-to-day routine which is to get back playing in the ICEHL that’s really our goal. We struggled there at the start of the season and we got to correct that. The work we do there will prepare us for what we need to do in the next round of the Continental Cup. I am confident we will be more prepared then than we were now,” said Asiago head coach Barrasso.

Three weeks earlier, Buz Adam Istanbul had raced through the first round of the Continental Cup Group B on home ice in Istanbul. Now competing at a higher level, Caner Baykan’s coached team found life somewhat harder in Group D. With eleven Russians on their roster, their approach was in sharp contrast to that of the homegrown policy of Vojvodina Novi Sad. With both teams winless after two games in Asiago, they went head to head on the final day with Buz Adam winning the dead rubber 6-1. National team players Emre Faner and Sait Bingol both scoring for the Turks while Saveli Voronov was voted as the top goalie of the tournament. Having only been on ice for a week and a half before arriving to Asiago, Vojvodina Novi Sad can look at their Continental Cup return as a valuable workout ahead of their season in the International Hockey League (IHL) continuing with a game against Slovenia’s Maribor later this month.

Asiago’s triumph and top place finish in Group D earn the team a place in the third round of the Continental Cup where it will compete in Group F. The Italians travel to Nitra, Slovakia facing hosts HK Nitra, Poland’s Unia Oswiecim and HK Kremenchuk of Ukraine in a round-robin contest played from 18 to 20 November.

The lucky loser Jesenice will instead have a trip to Cardiff, Great Britain to look forward to. Group E of the third round will be contested between hosts Cardiff Devils, Zemgale Jelgava of Latvia and Angers Ducs of France also taking place between 18 to 20 November.
2023 IIHF Continental Cup Group D 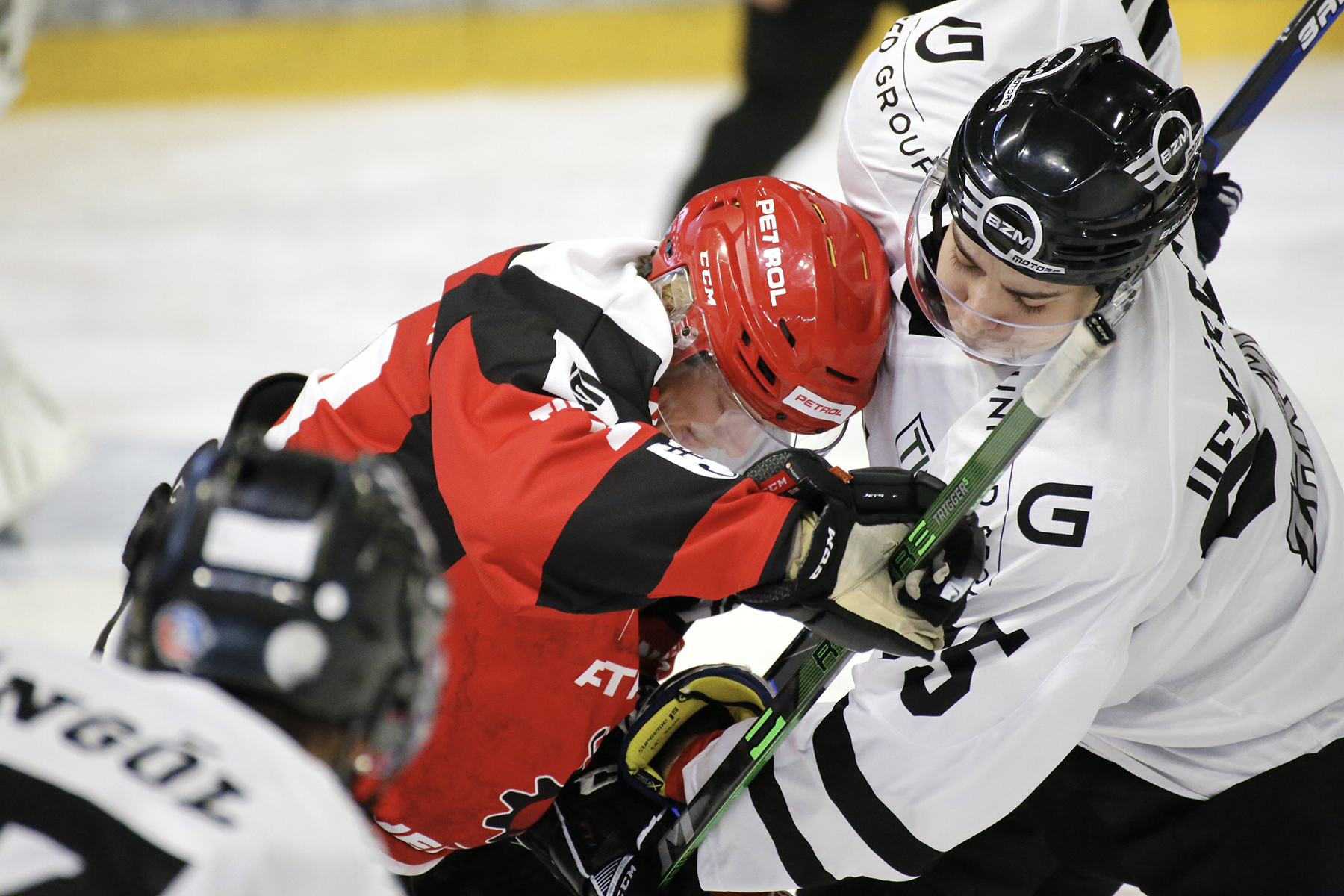 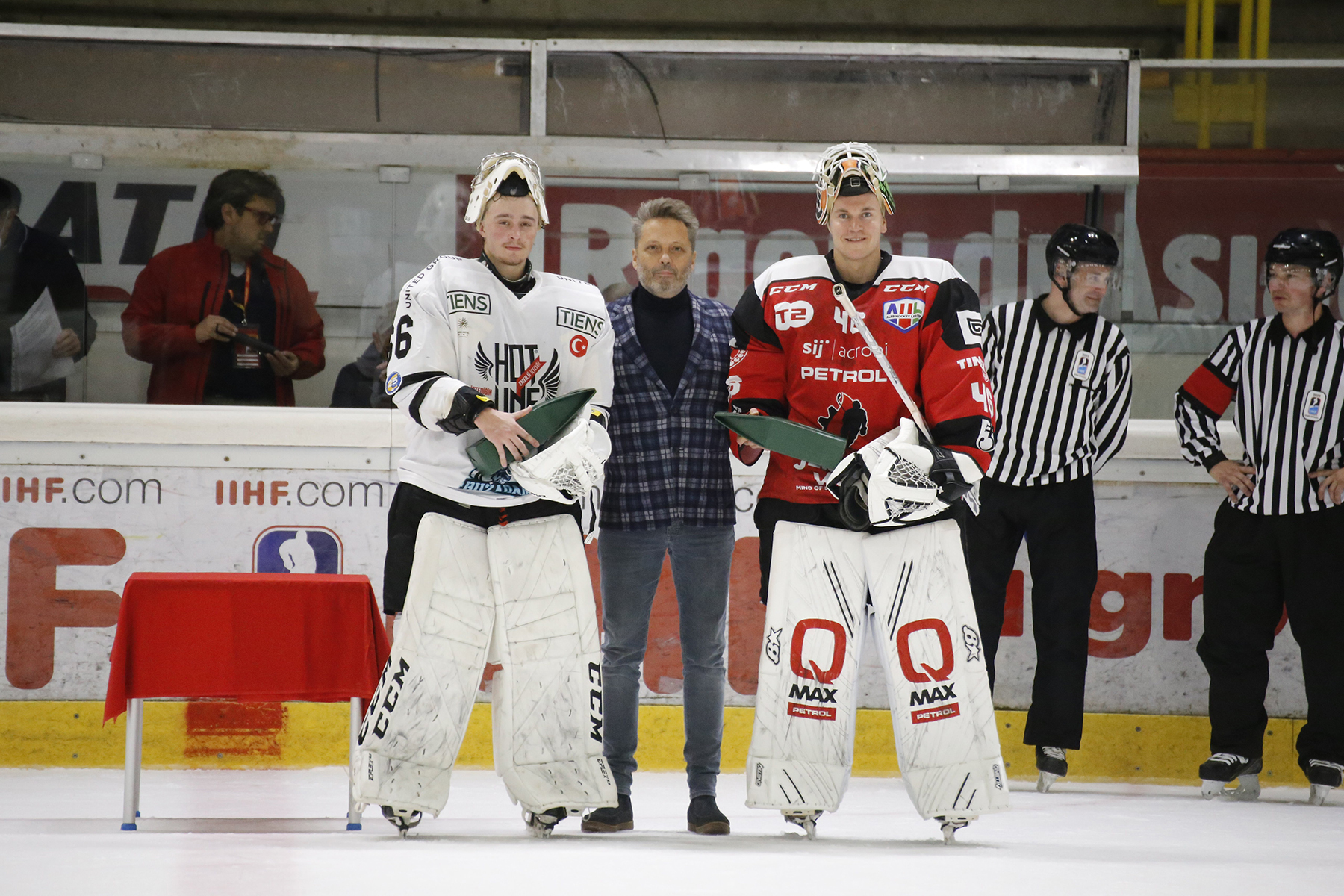 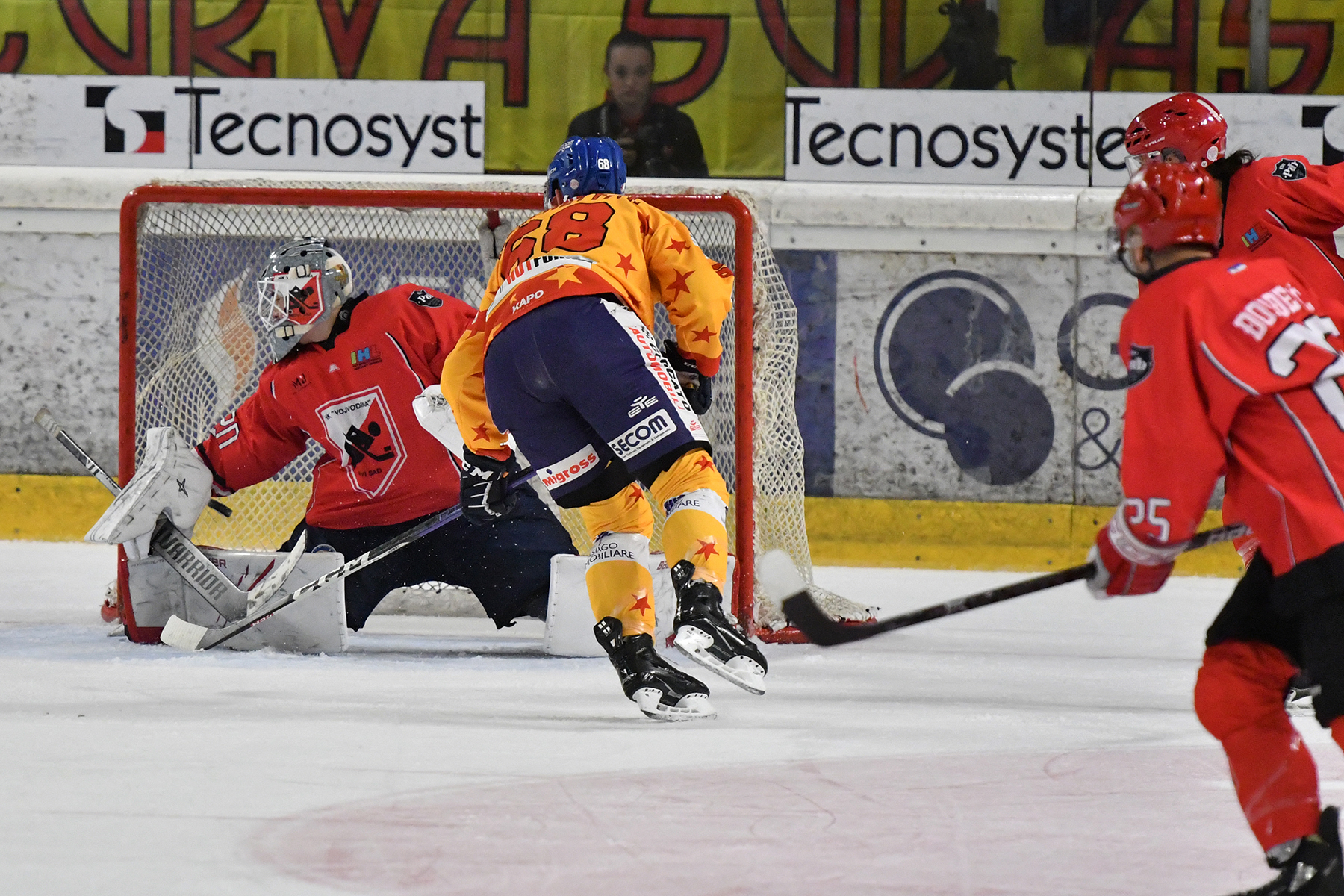 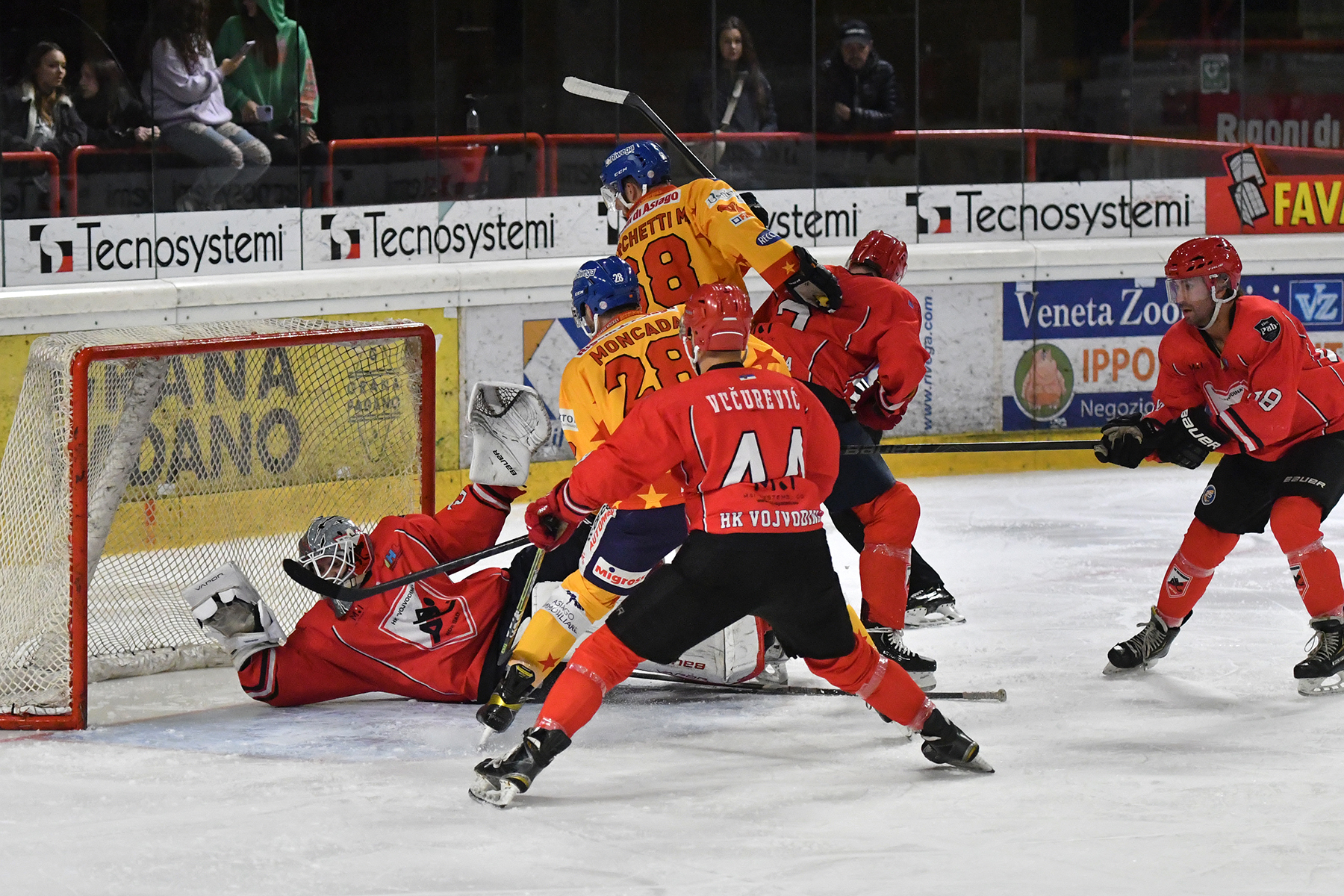 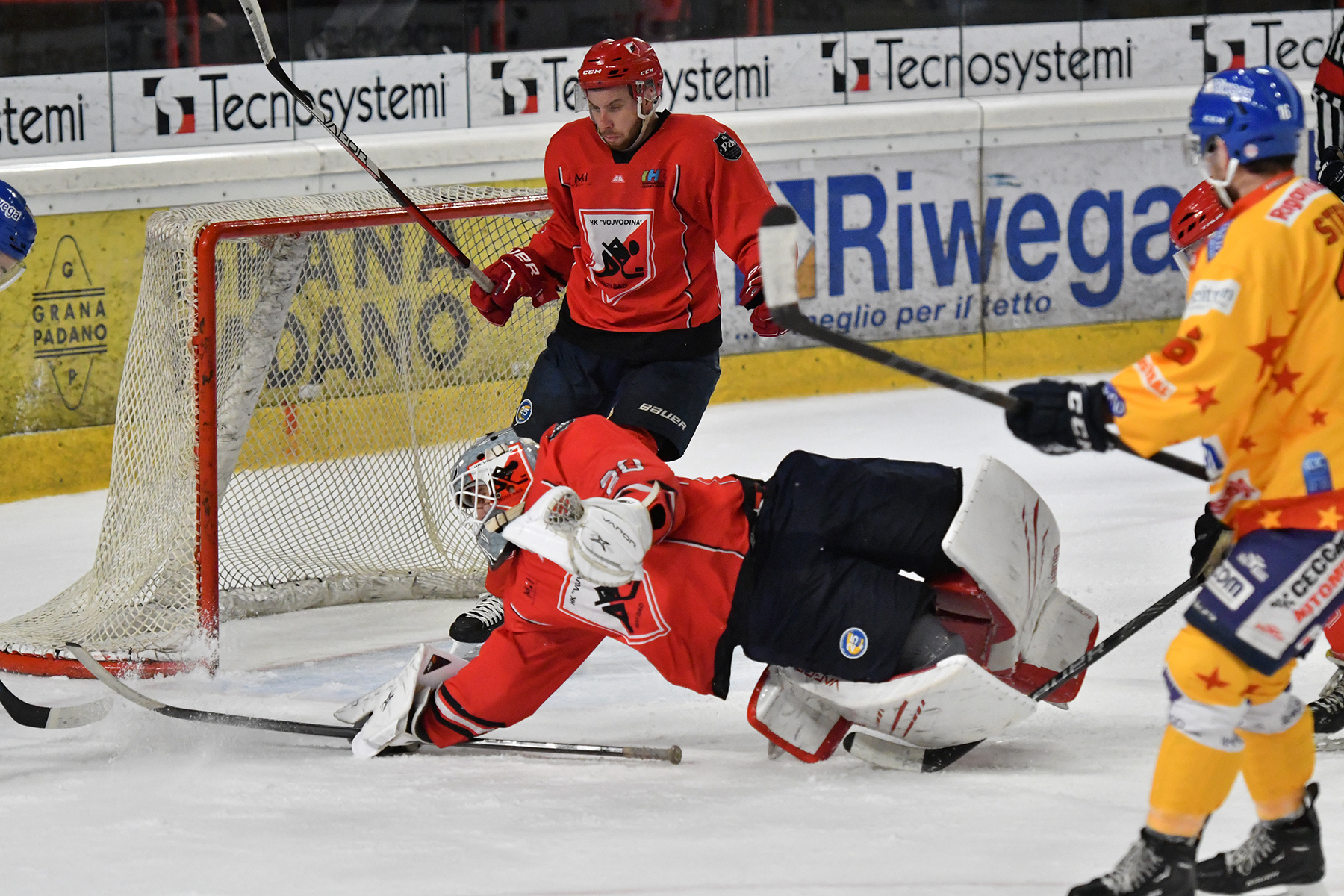 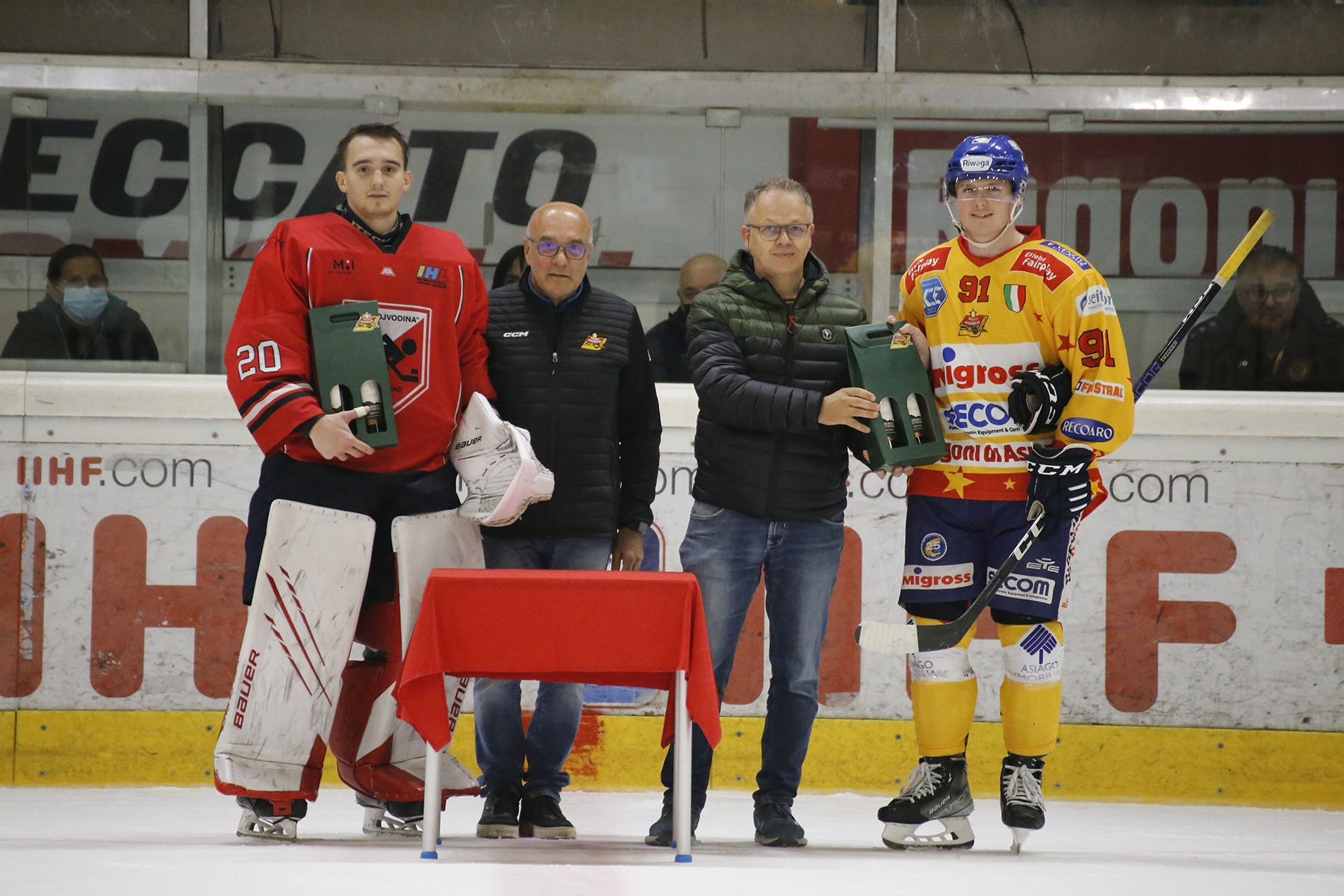 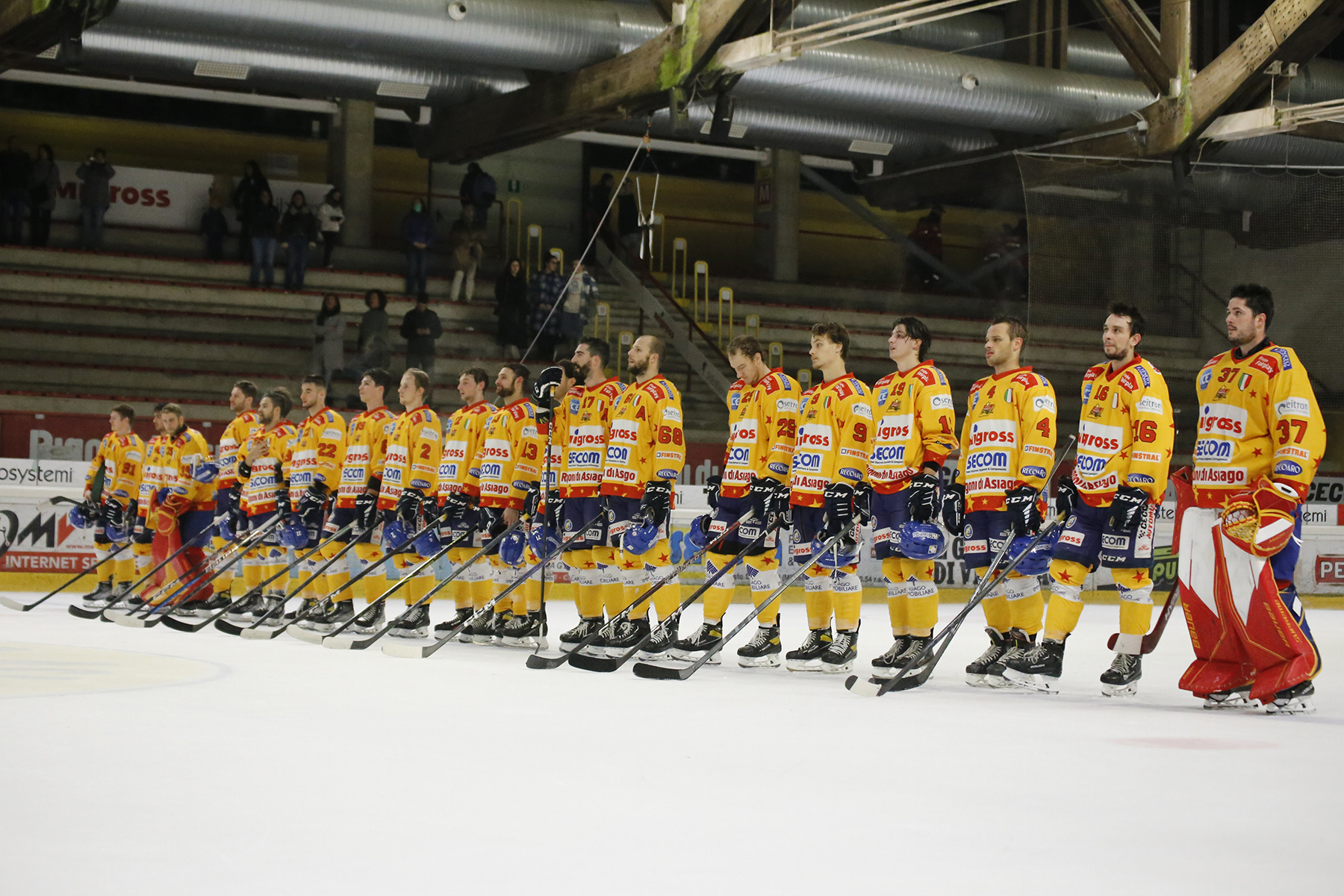 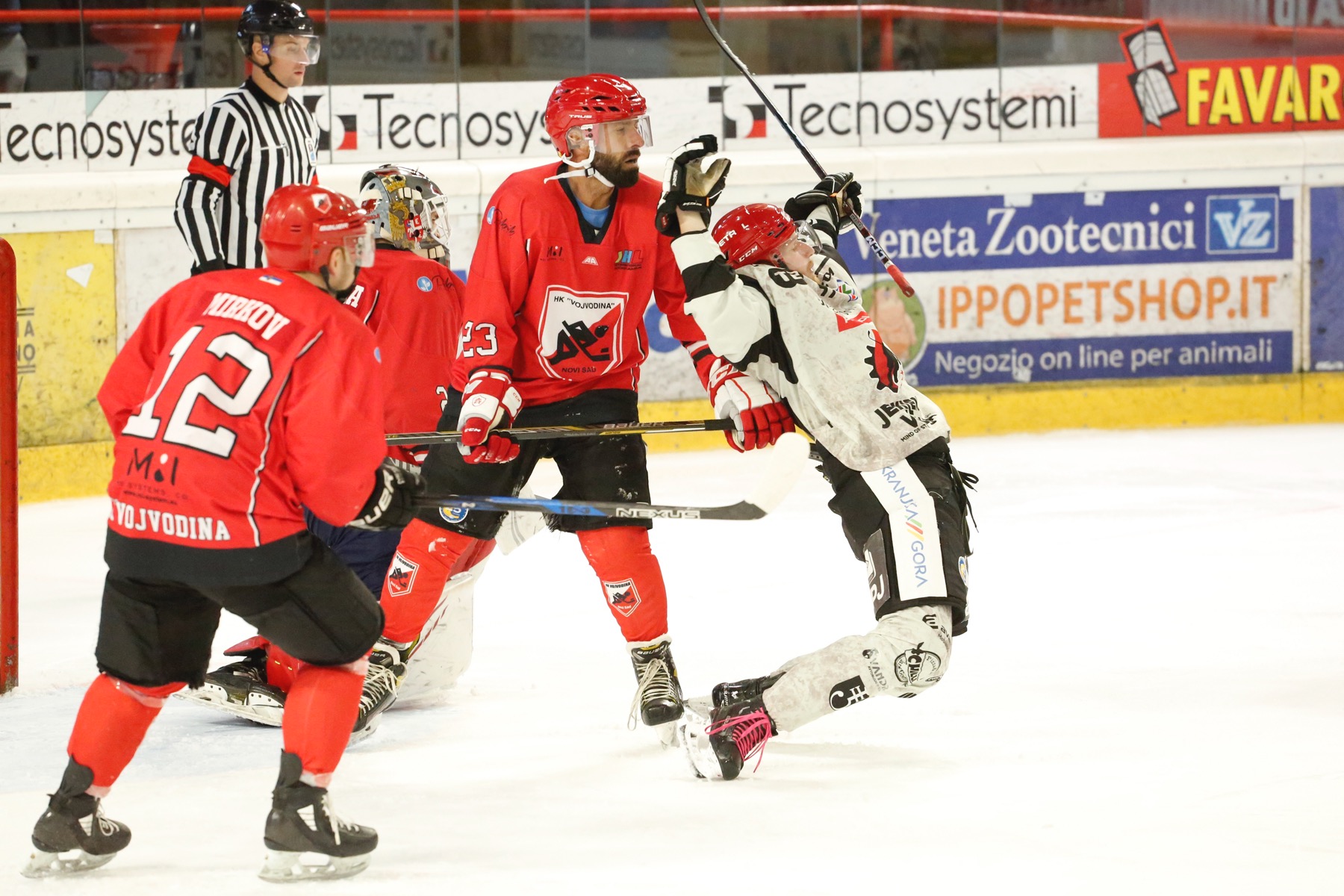 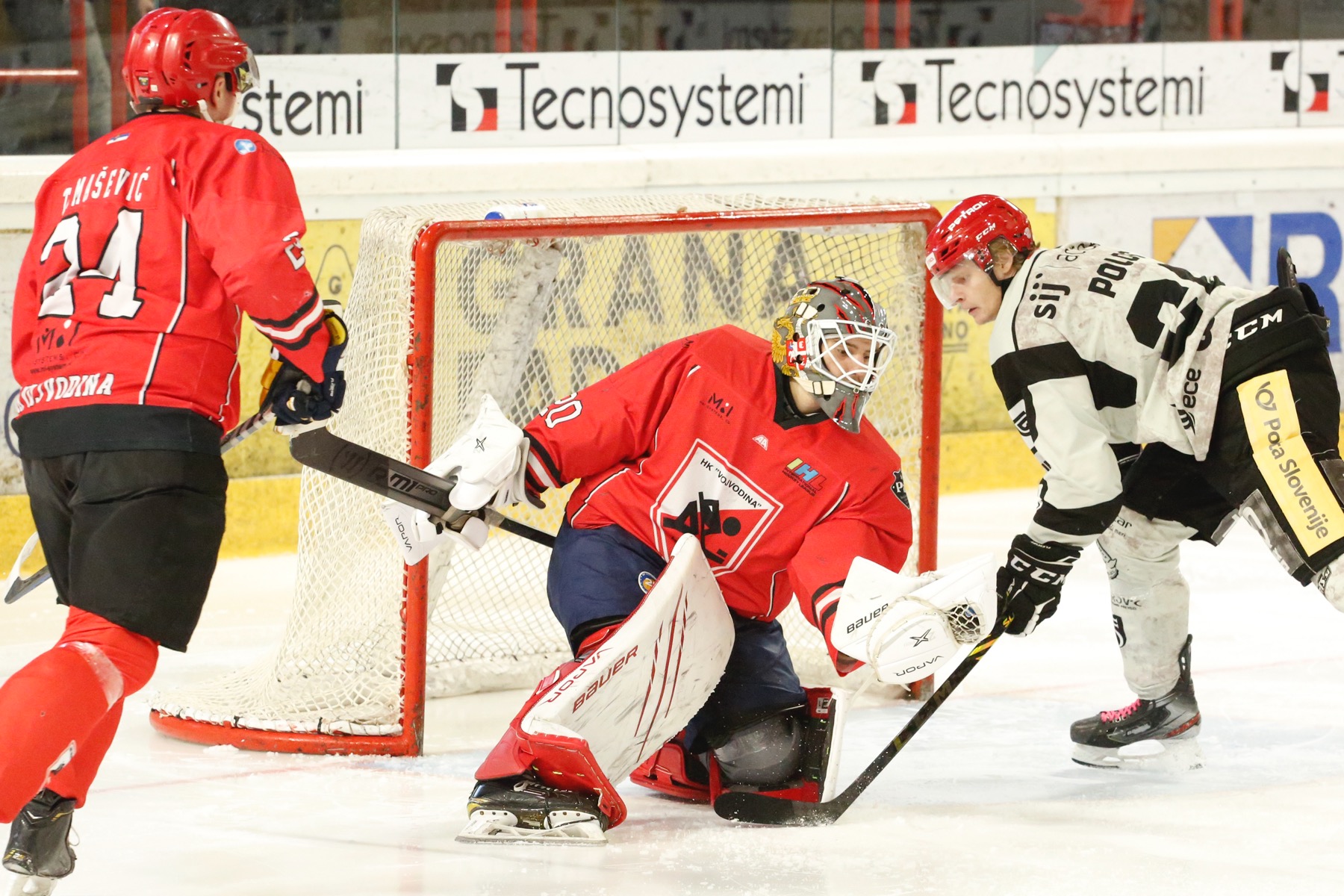 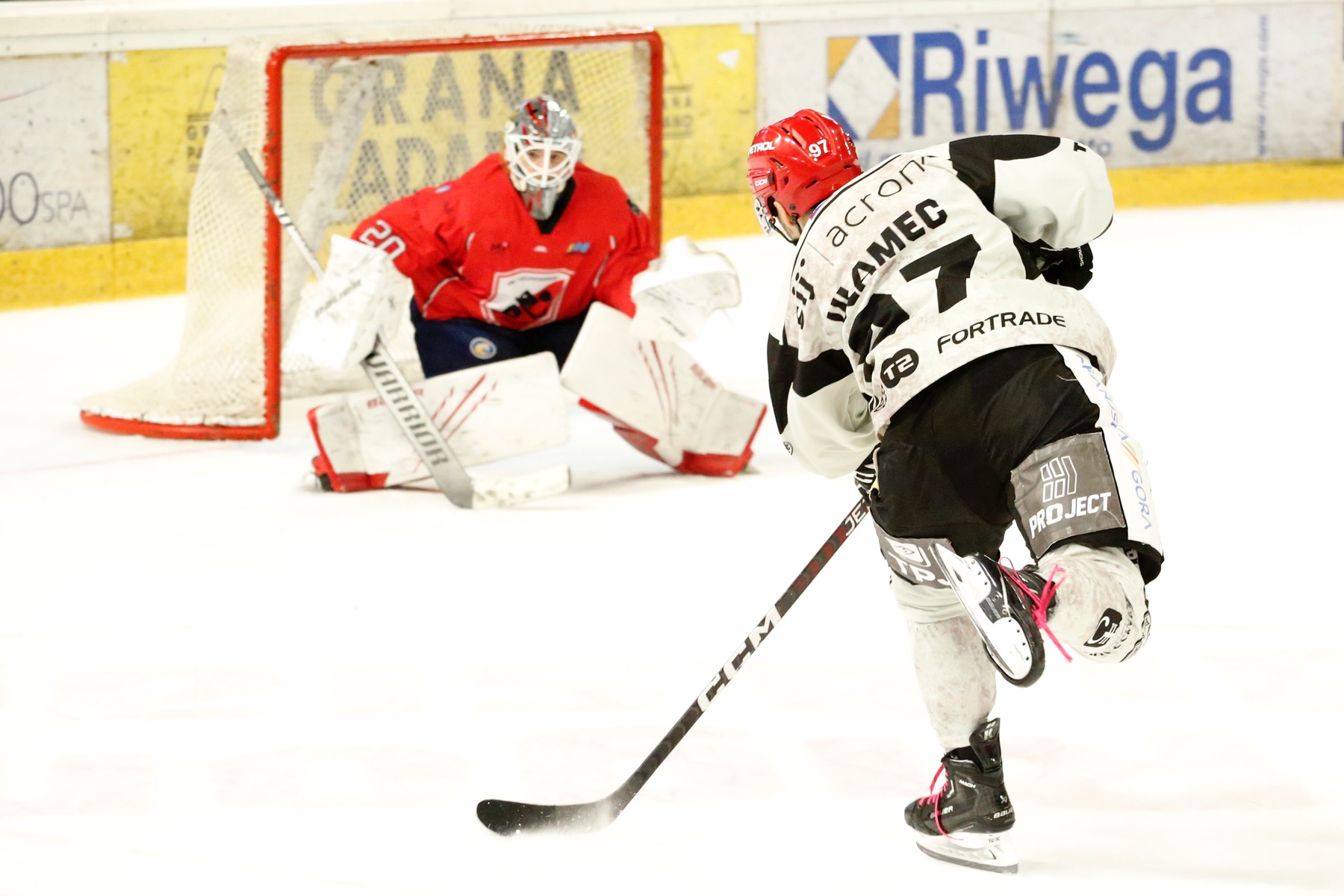 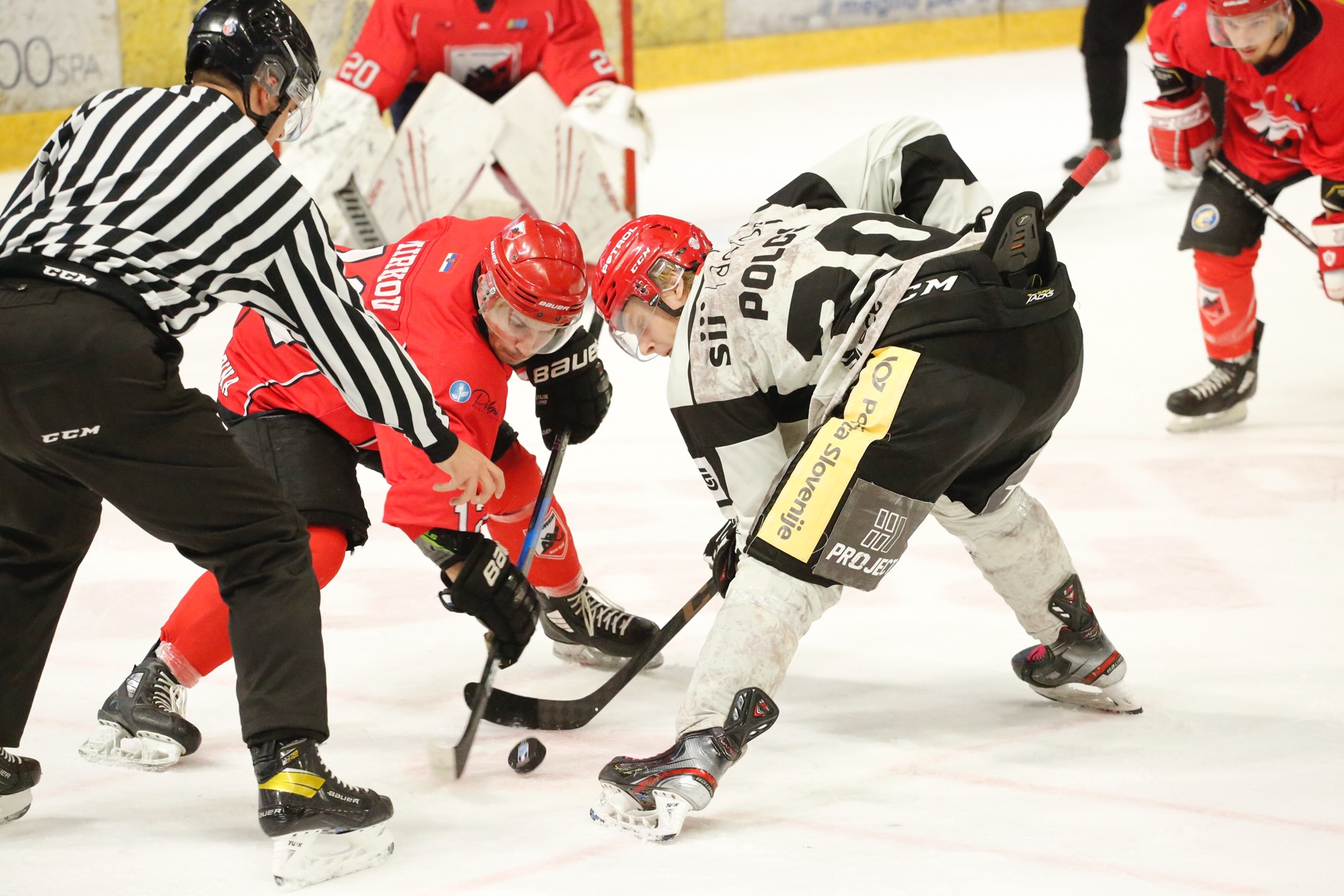 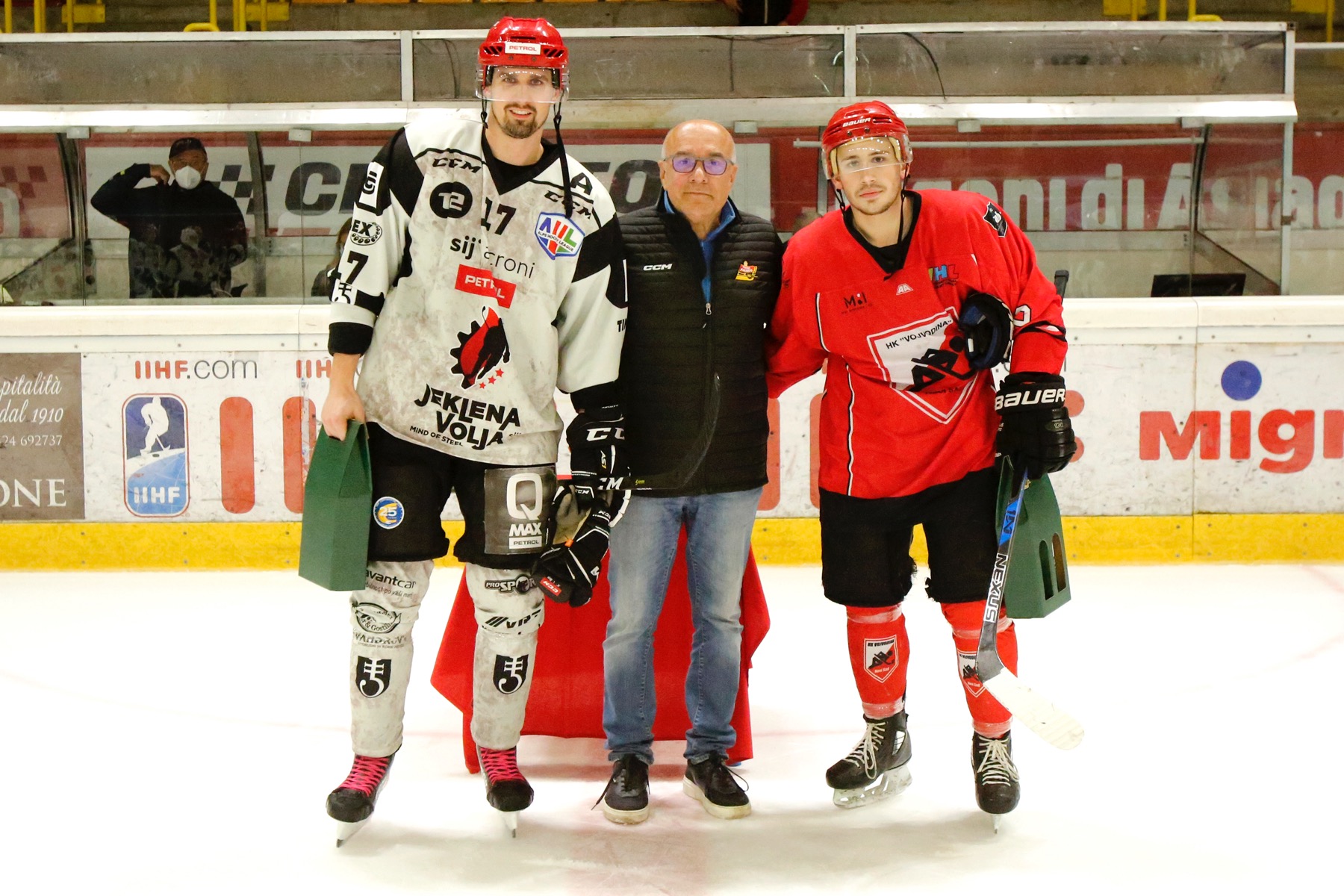 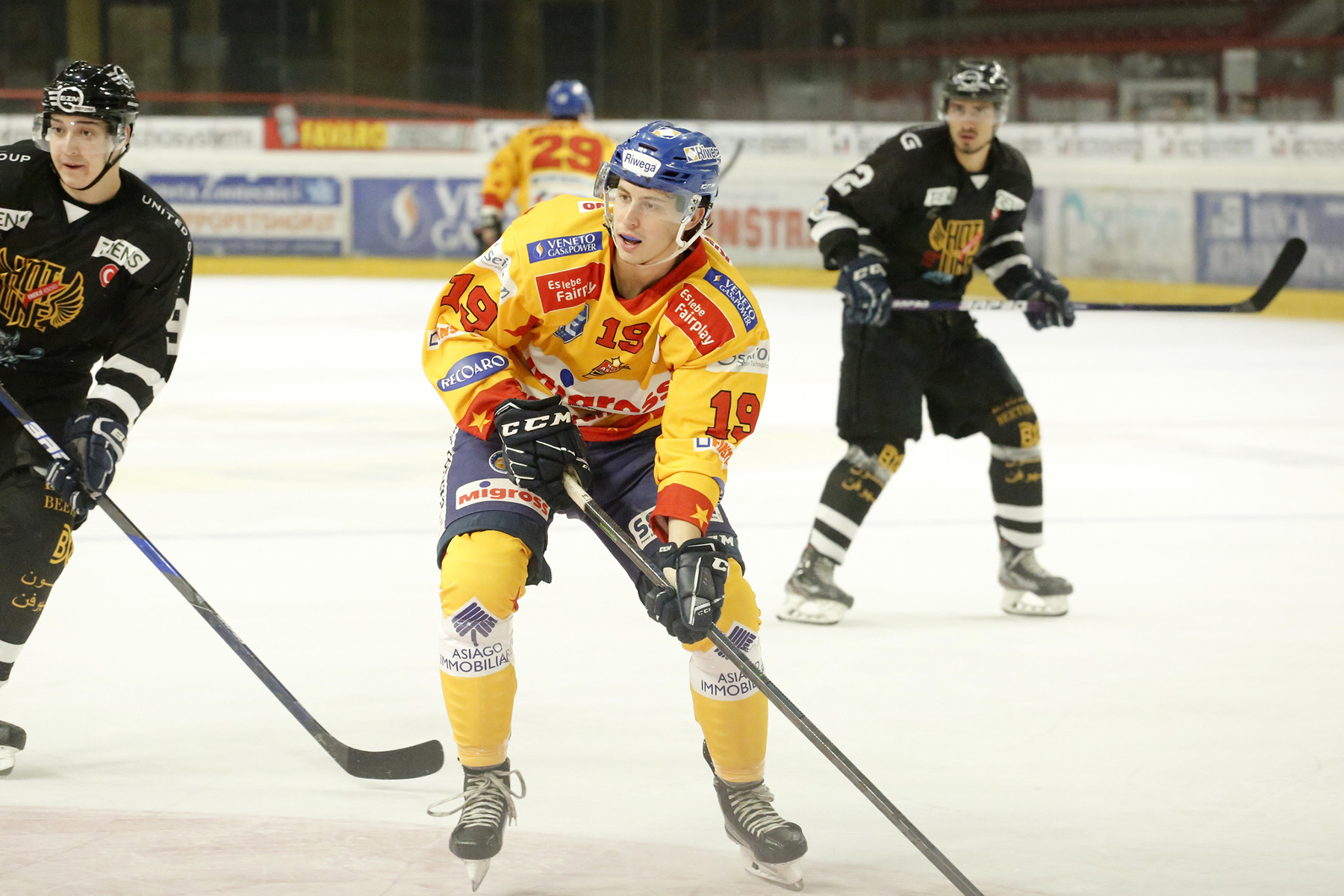 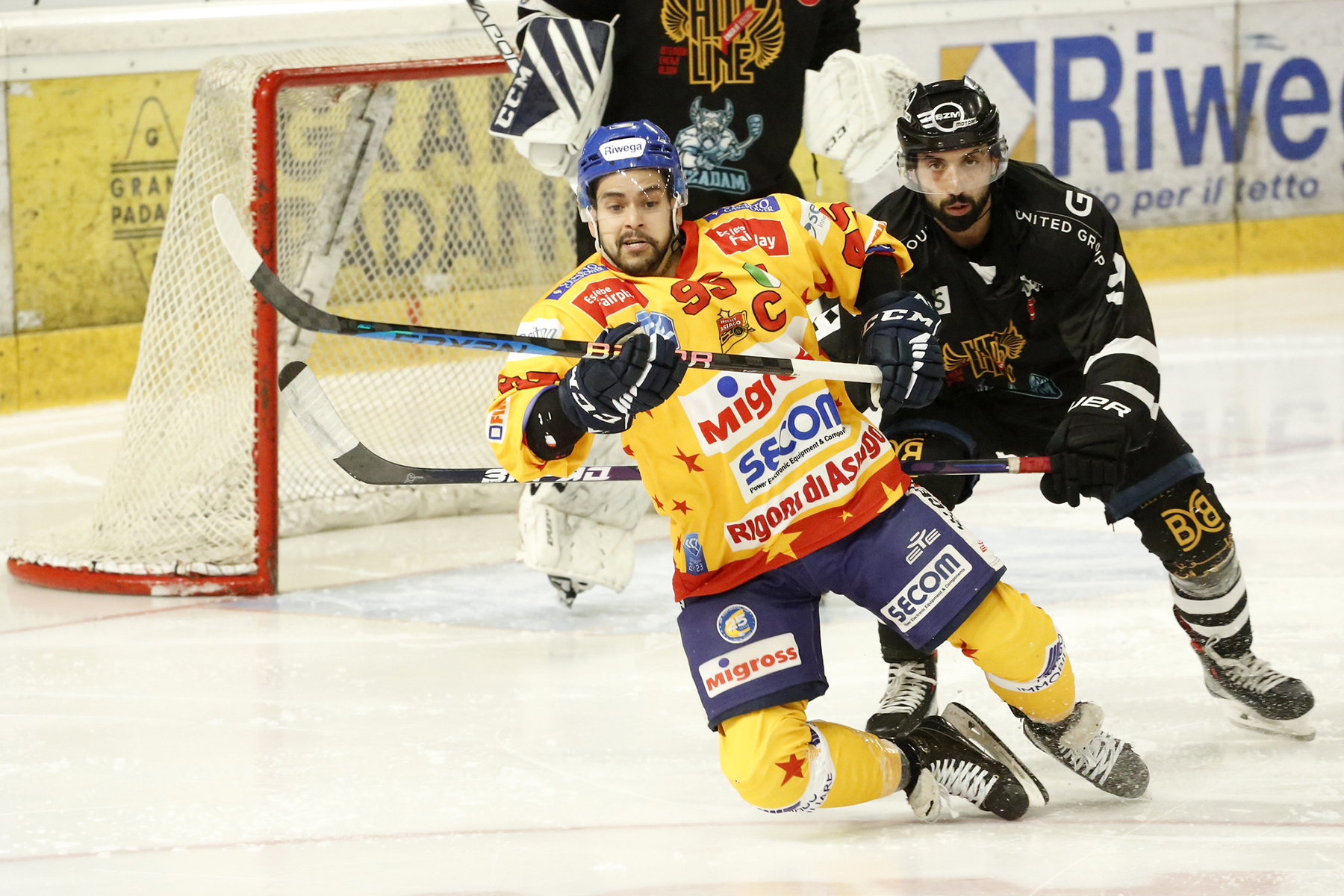 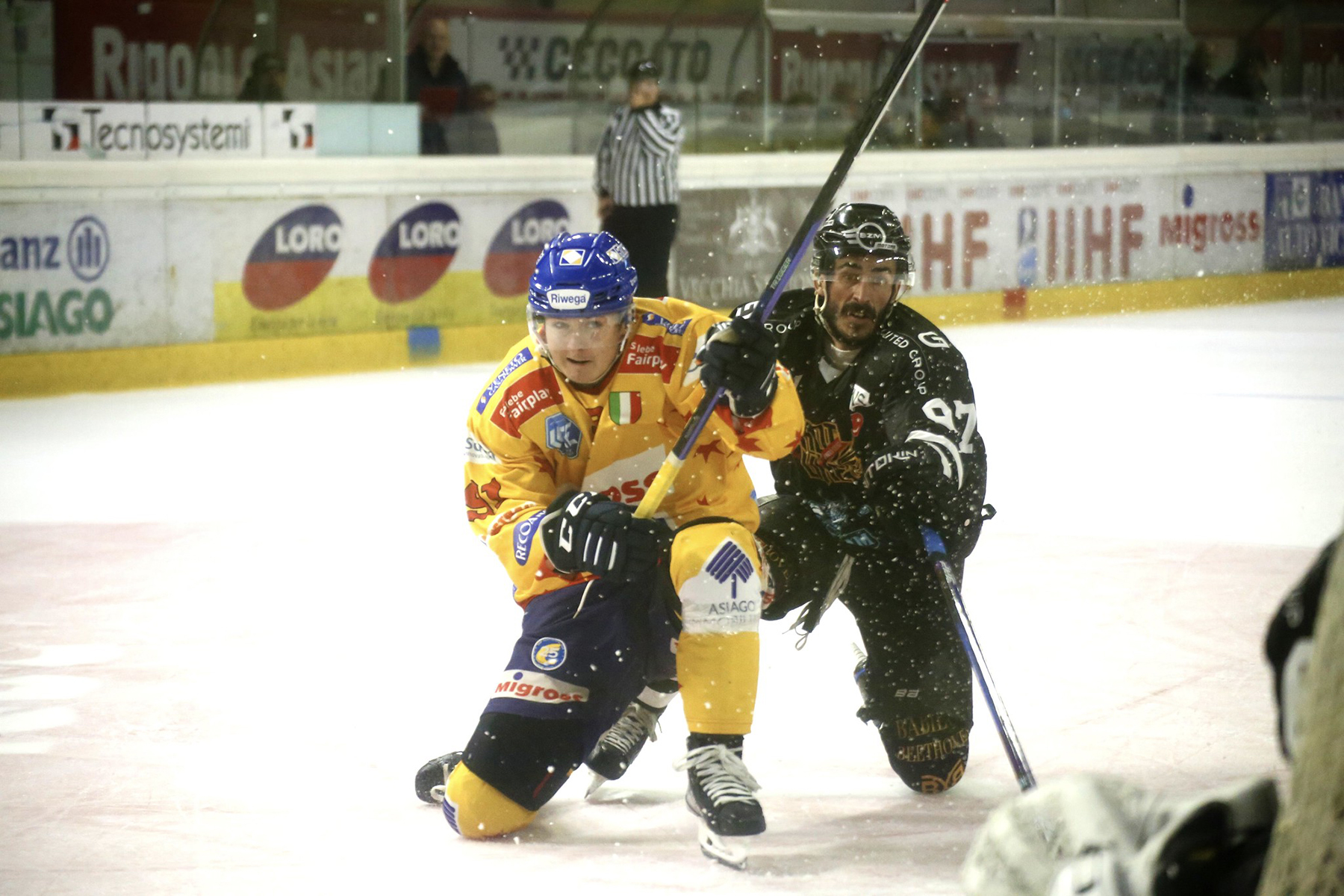 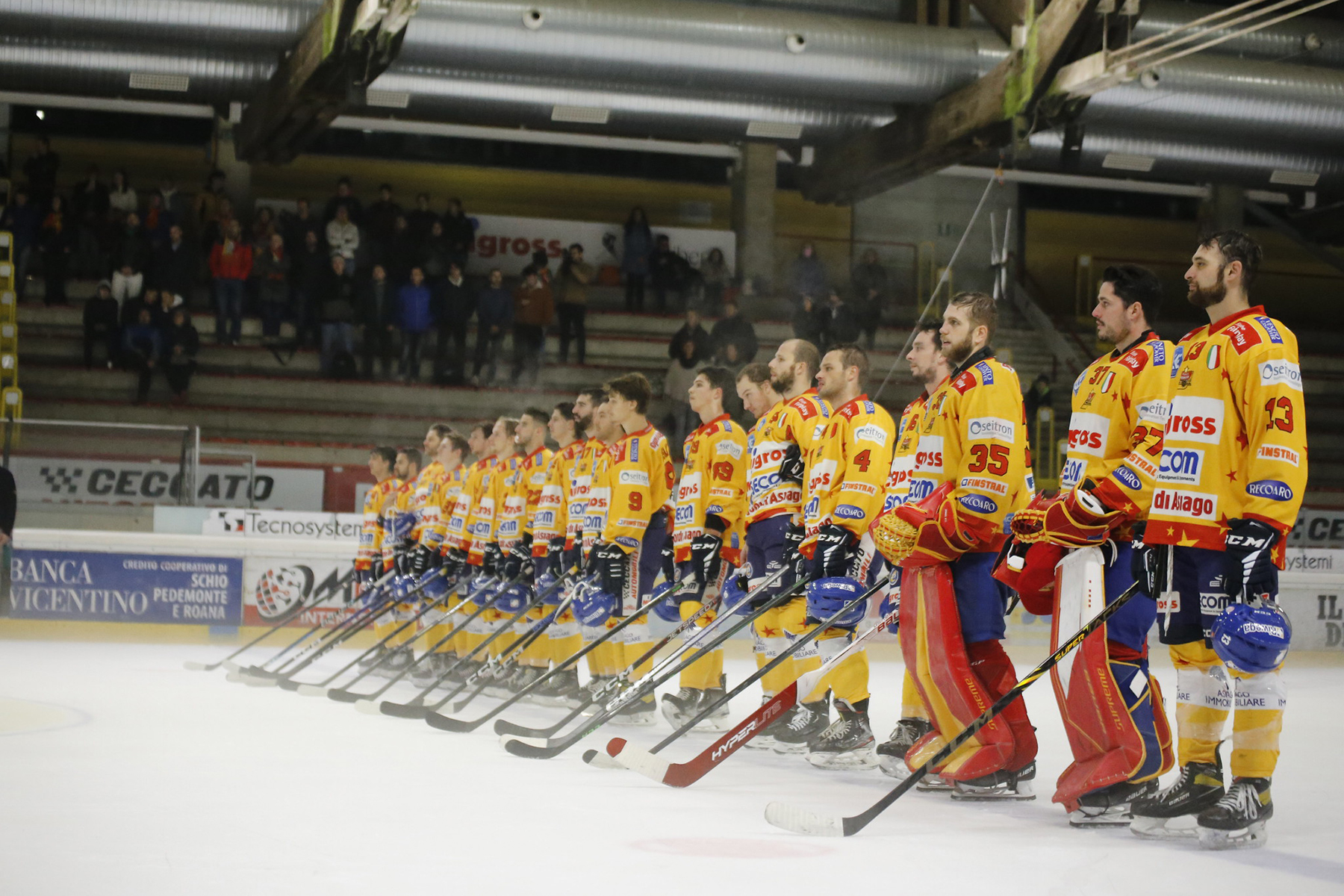 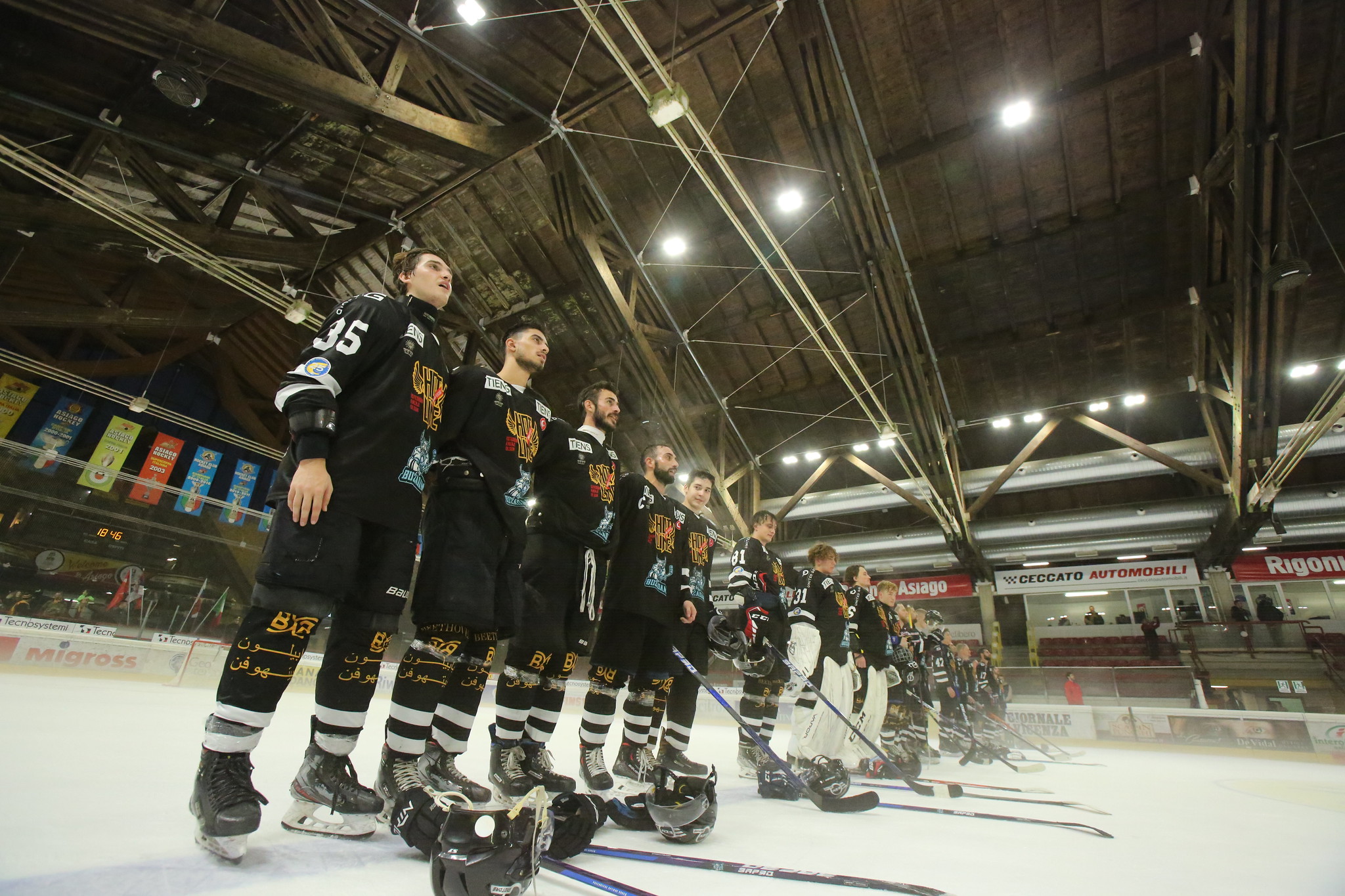 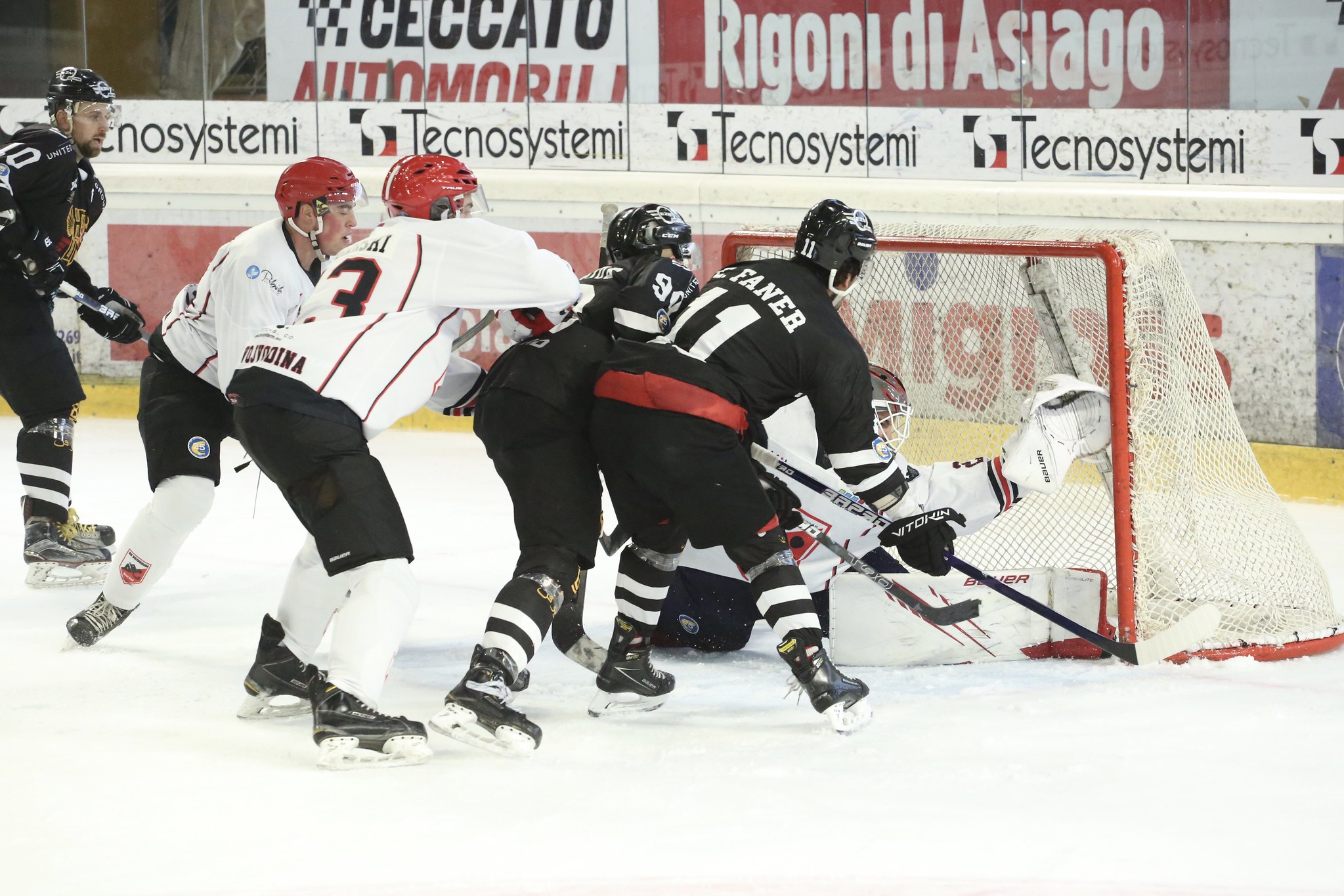 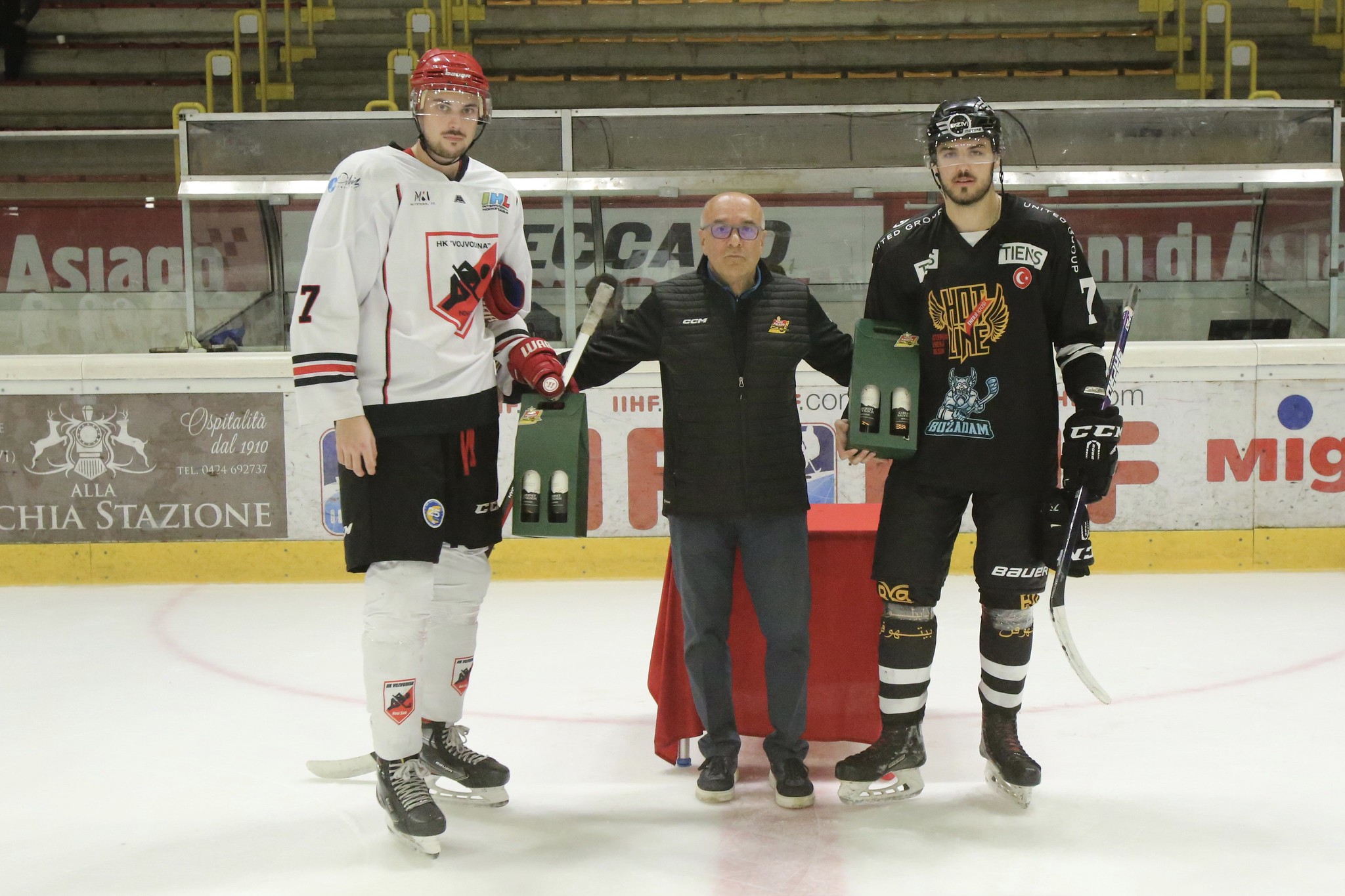 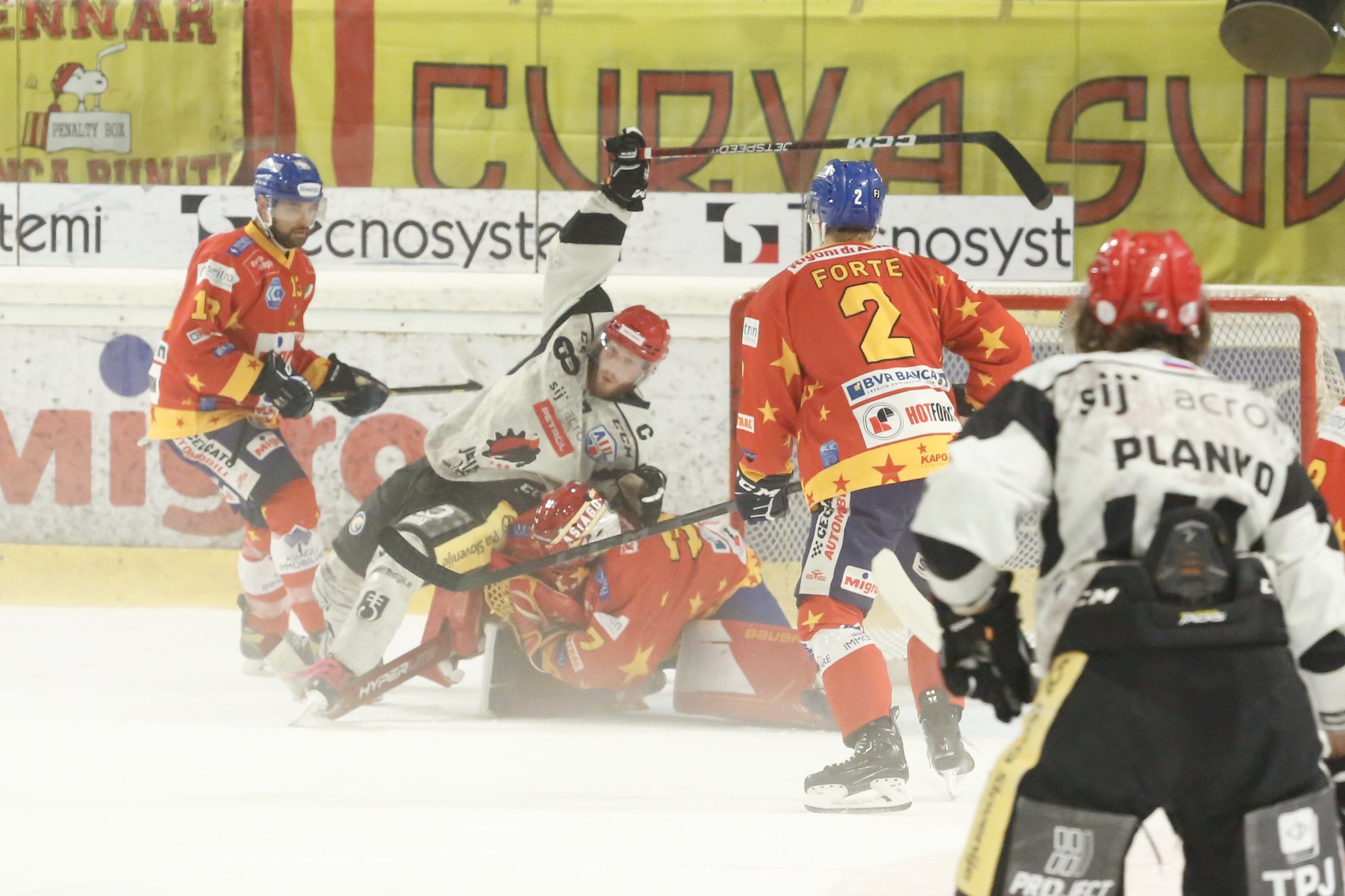 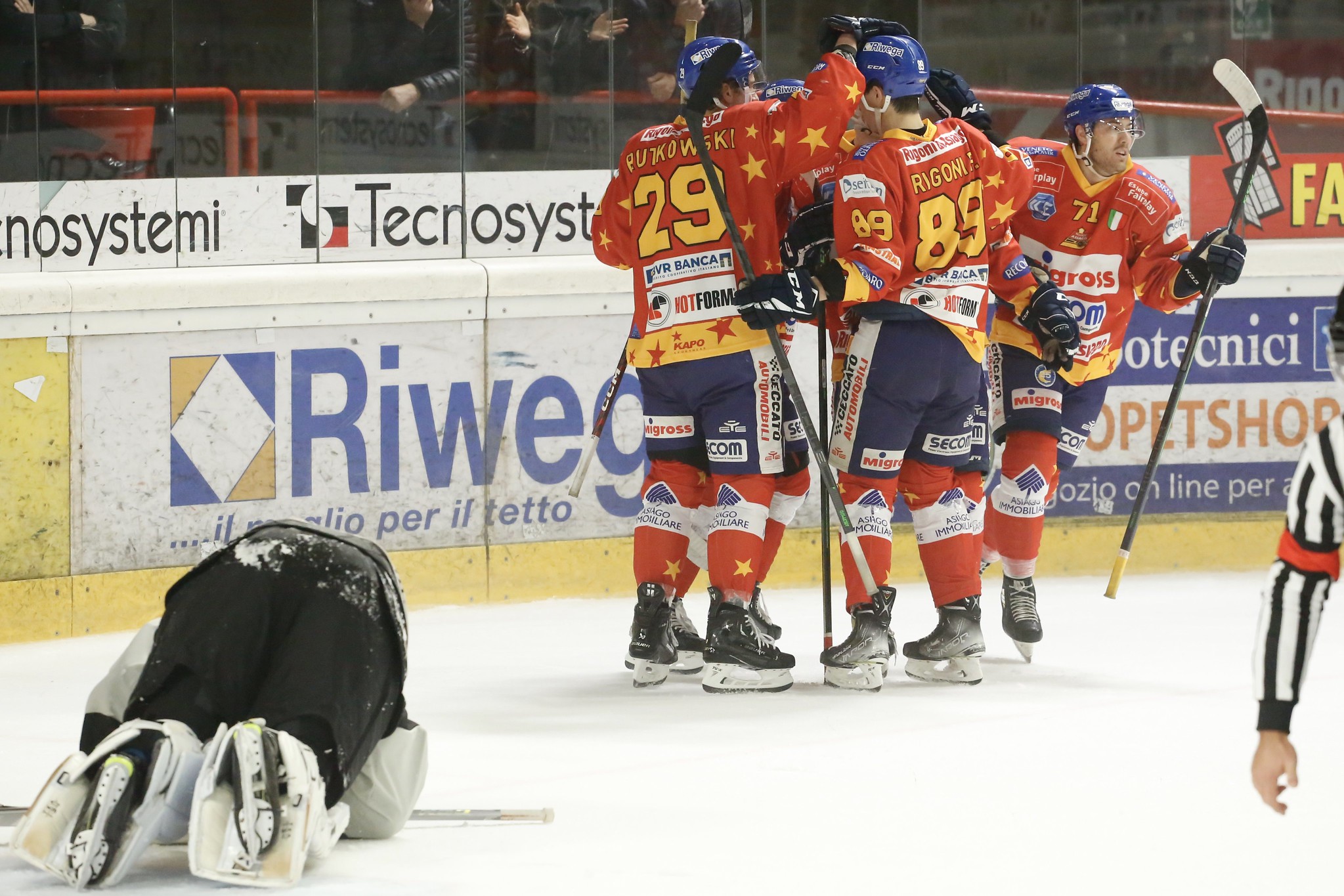 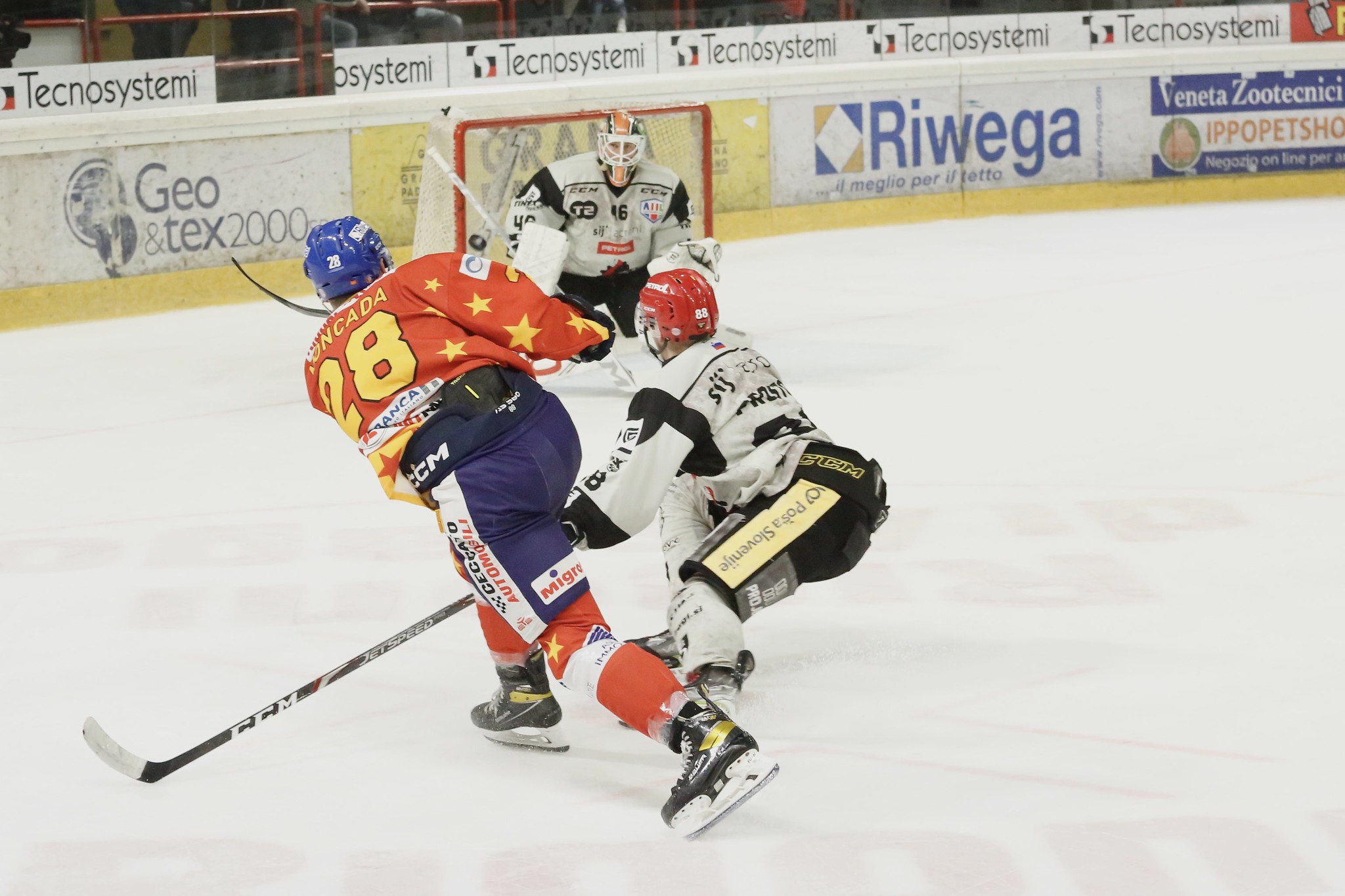 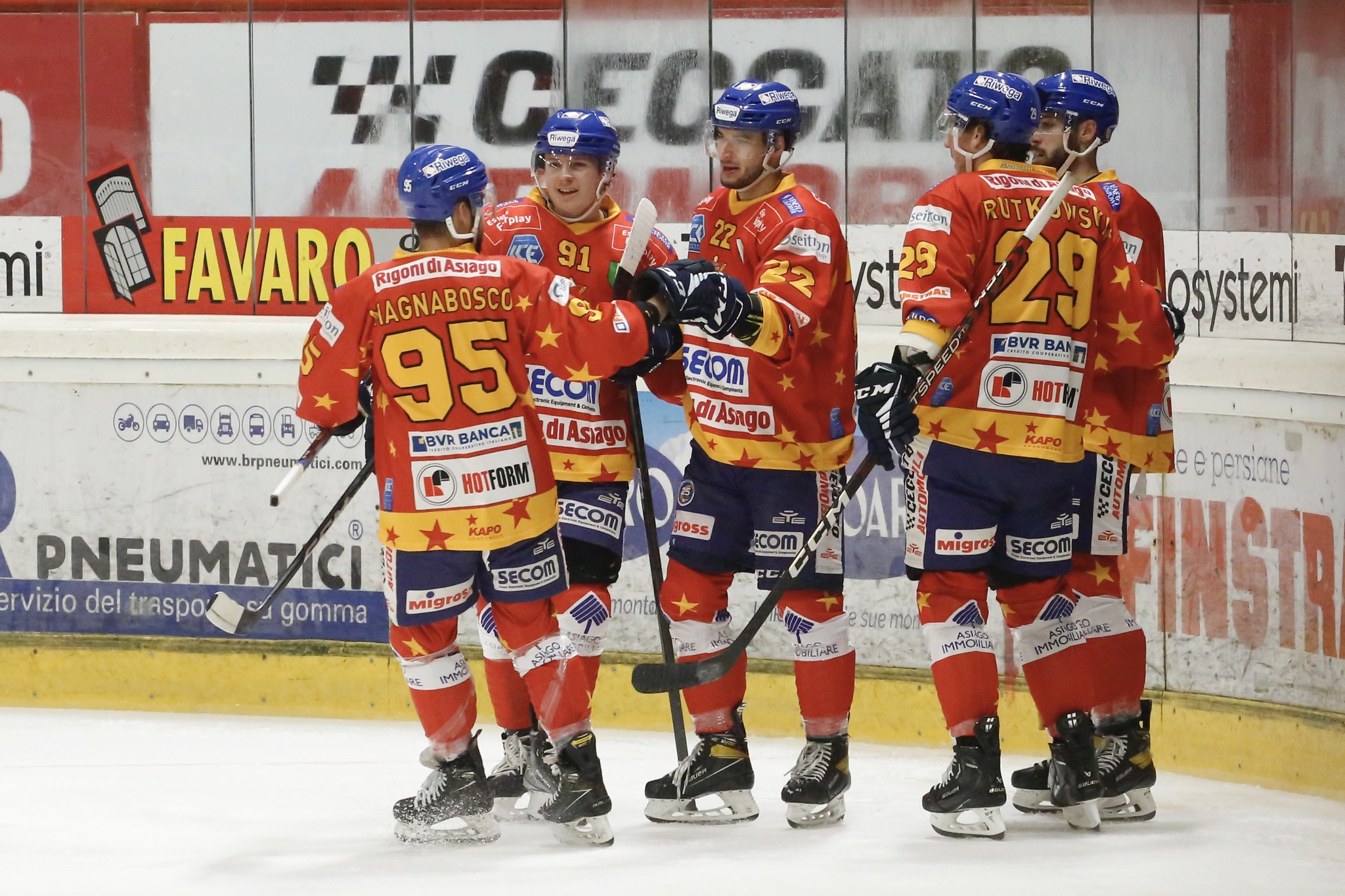 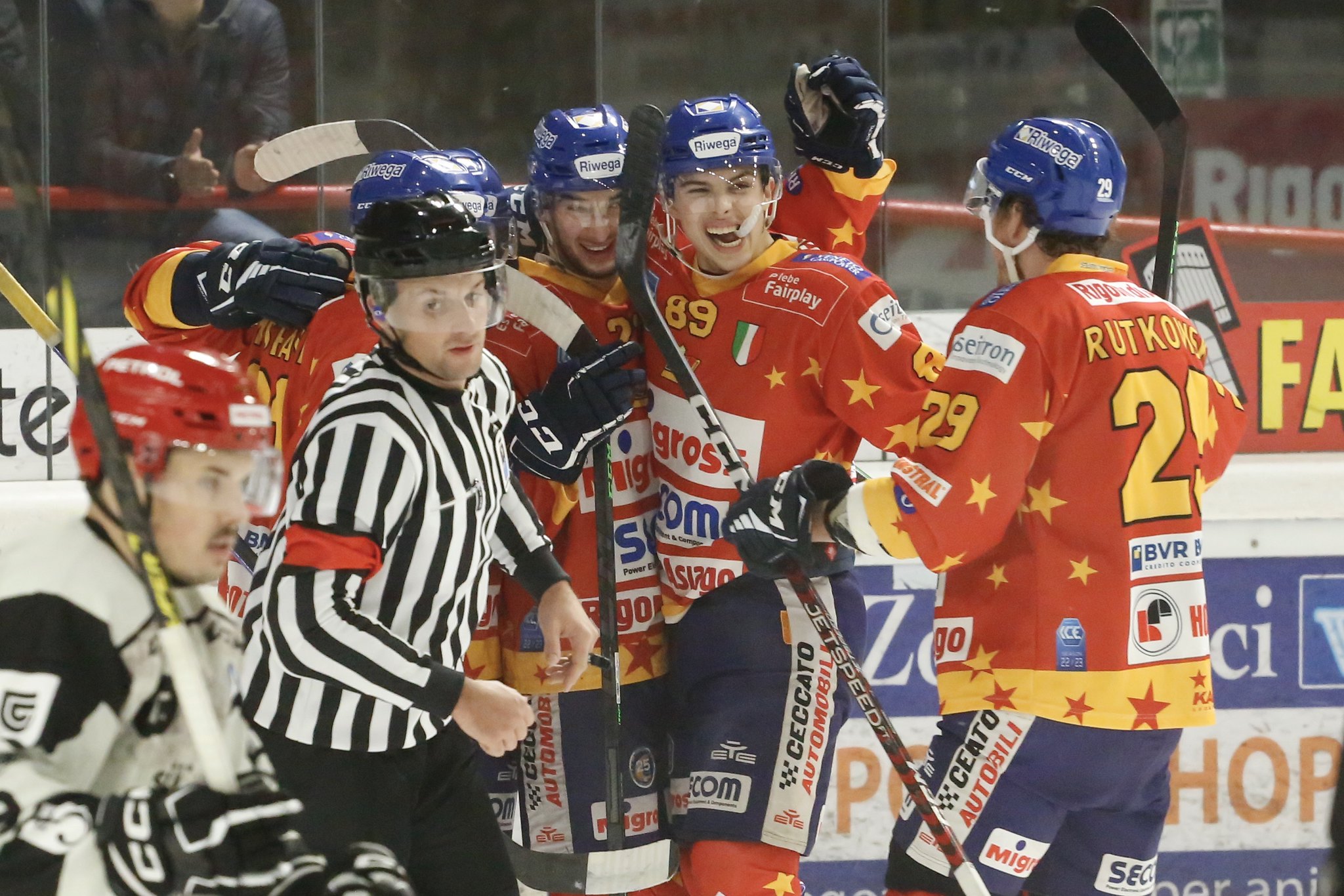 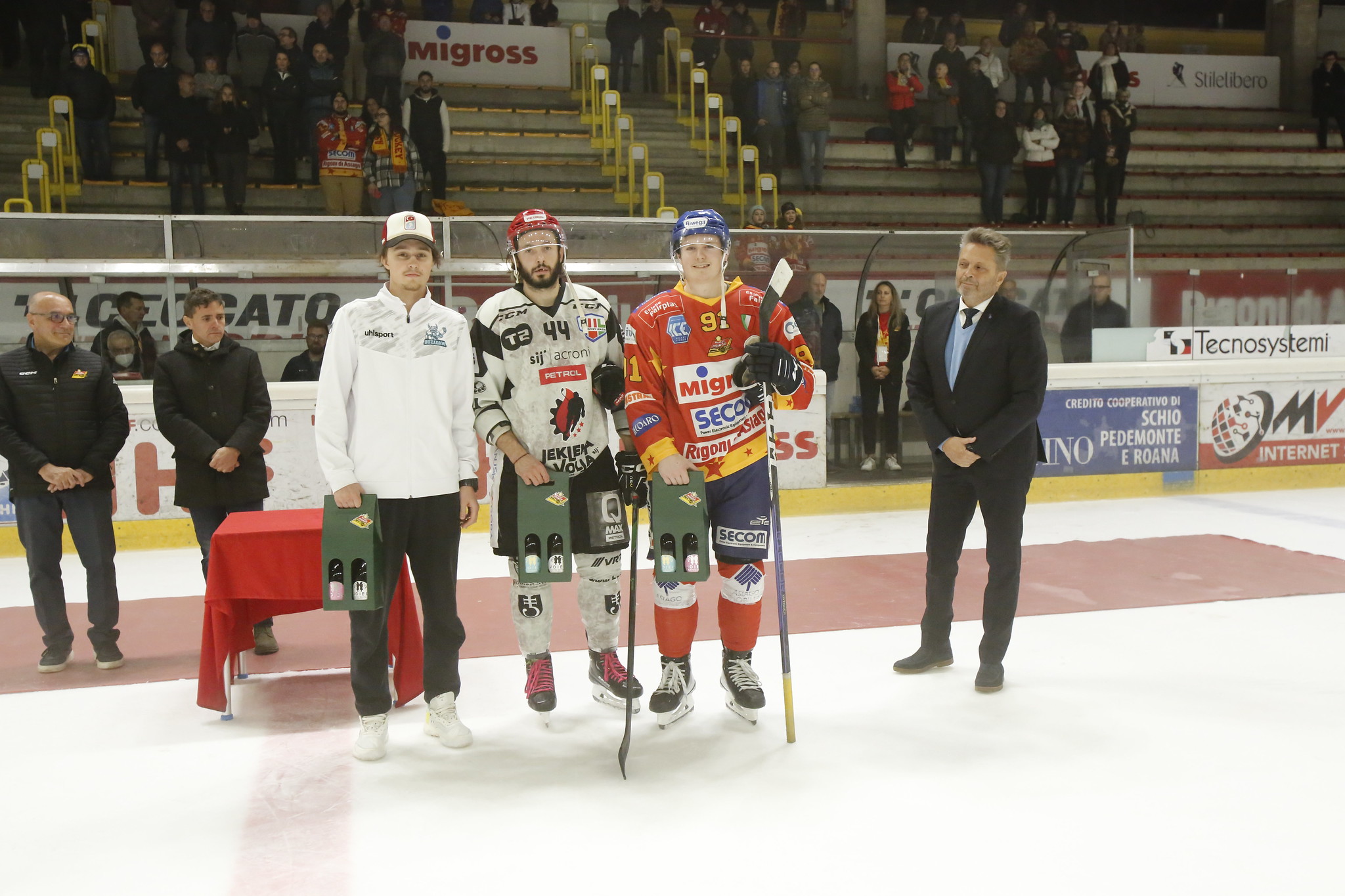 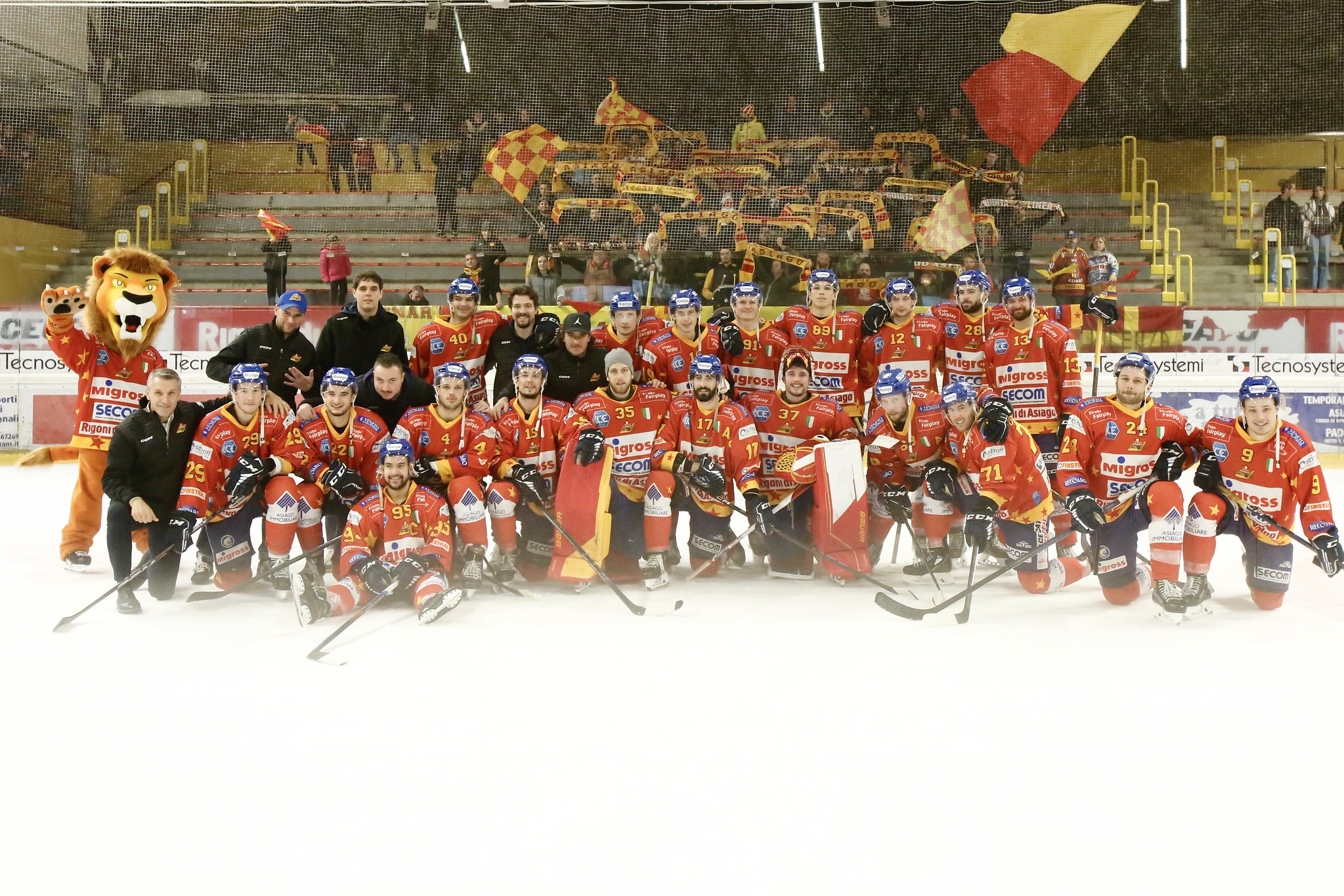