Aho's star shines bright
Finland's Teuvo Teravainen (#86) celebrates with Ville Pokka (#2) and Sebastian Aho (#20) after scoring against Korea.
photo: Andre Ringuette / HHOF-IIHF Images
share
Sebastian Aho had two goals and two assists to lead Finland to a convincing 8-1 win over Korea. The game was the first for both teams in Group B in Herning.

Shots favoured Finland by a whopping 45-9 margin as Ville Juuso earned perhaps the easiest win of his career. Matt Dalton was beleaguered by game's end as many of those 45 were good scoring chances.

"We dominated most of the game," offered Kasperi Kapanen, one of the team's scorers. "The first game is the hardest game of the tournament. I think we did the things we talked about doing before the game. Stuck to our structure. We have to be better tomorrow since it will be a better team (Latvia)."

When Sakari Manninen incurred a double minor for high sticking early in the game, it presented Korea with an excellent chance to open the scoring and begin their first ever top-level World Championship appearance on the right note.

Instead, the man advantage was an unmitigated disaster. It was short-handed Finland that scored two goals to take control of the game en route to one-sided victory.

"Welcome to the top division," Korea's Michael Swift deadpanned after. "We can’t give up shorthanded goals and their power play goals. You are never going to win a game when you give up goals like that. Our power play needs to score and not get scored against."

Aho got the first goal, at 3:41, when he took a breakaway pass from Teuvo Teravainen and beat Matt Dalton with a low shot between the pads. Just 74 seconds later, Aho set up Teravainen for the second goal down a man, making a drop pass off the rush and then watching Teravainen rip a shot over Dalton’s glove.

Aho made it 3-0 midway through the second, this time on a power play. Mikko Rantanen made a nice cross-ice pass through the middle, and Aho one-timed a scorcher into the gaping side.

Aho made a great pass on the fourth goal at 12:21 of the second. He drove down the left side, broke through the defence and drew Dalton out before sliding a pass back to the middle where Veli-Matti Savinainen snapped it into the open net.
World Men
Finland vs. Korea
FIN KOR 05 MAY 2018
Korea scored its historic first ever top-level World Championship goal thanks to two great plays from Canadian-born players. Brock Radunske made a nifty pokecheck in the Korea end and Swift got the puck. Swift fled up ice all alone. Like Aho in the first, he fired a shot between the goalie’s pads at 13:00 to make it a 4-1 game.

"It felt good to score," Swift said. "I don’t know when is the last time I scored for Team Korea. I didn’t get any in the Olympics. It made it 4-1 at that point and thought if we got another quick one you never know, but then we let them score again."

Indeed, any hope of a comeback was put to rest on a two-on-one, Janne Pesonen fedding a pass to Markus Nutivaara for the 5-1 goal.

Saku Maenalanen, Kasperi Kapanen, and Janne Pesonen added goals in the third to add to the final Finnish tally.

Both teams are back in action tomorrow. The Koreans can't afford to lick their wounds for too long as they are back on the ice in les than 24 hours, playing Canada in the early game. The late game features Finland and Latvia.
Finland vs. Korea 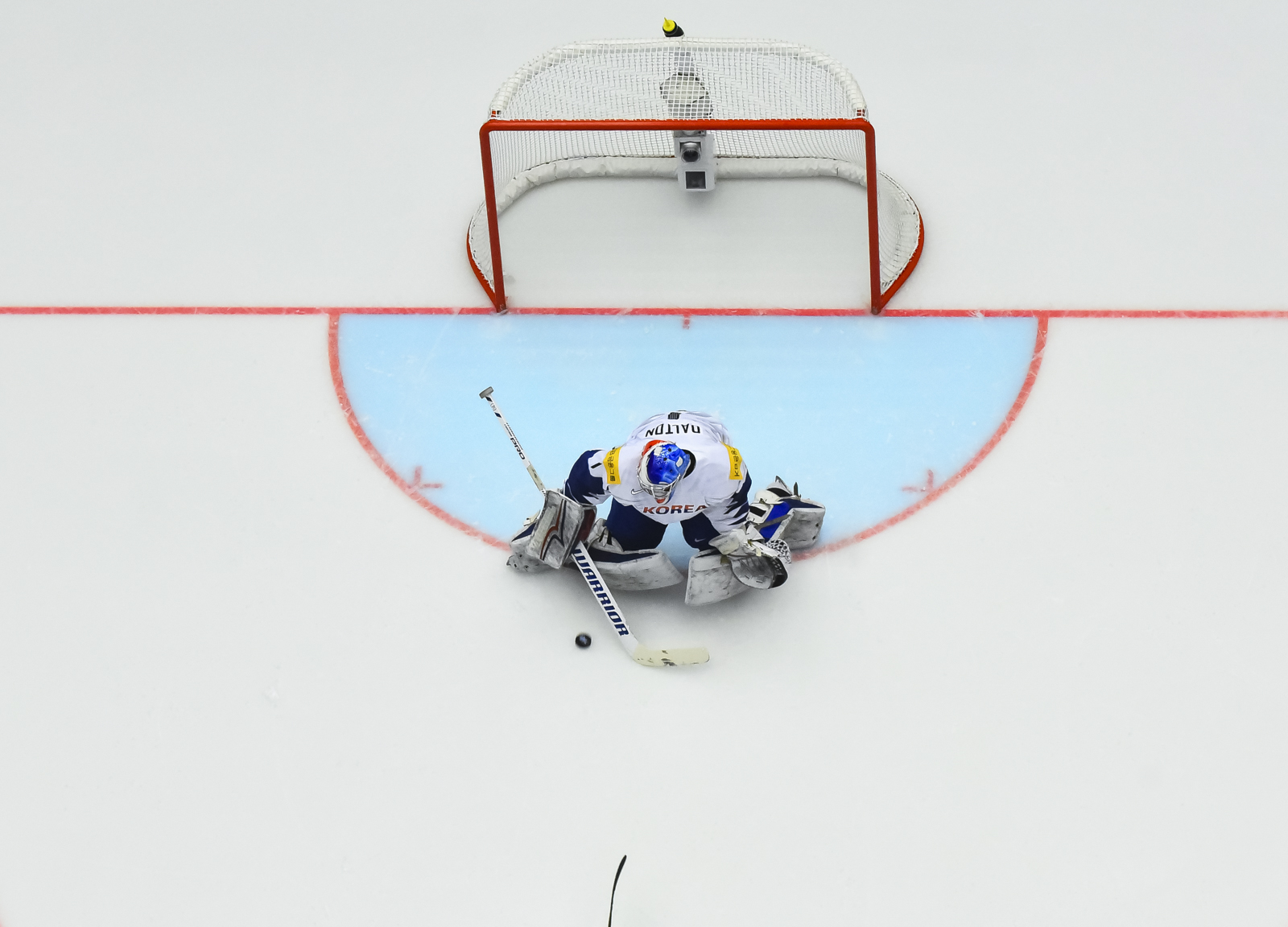 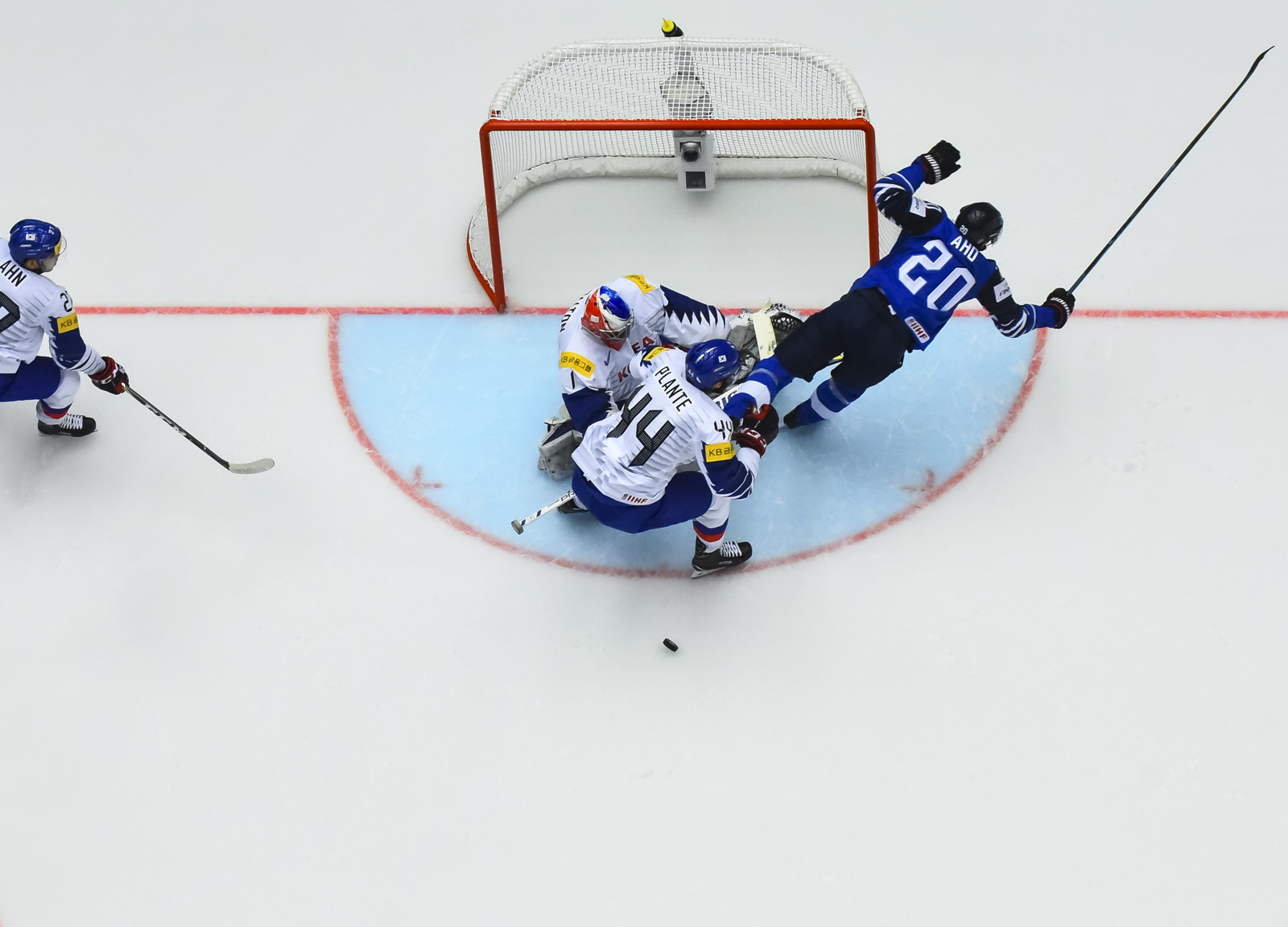 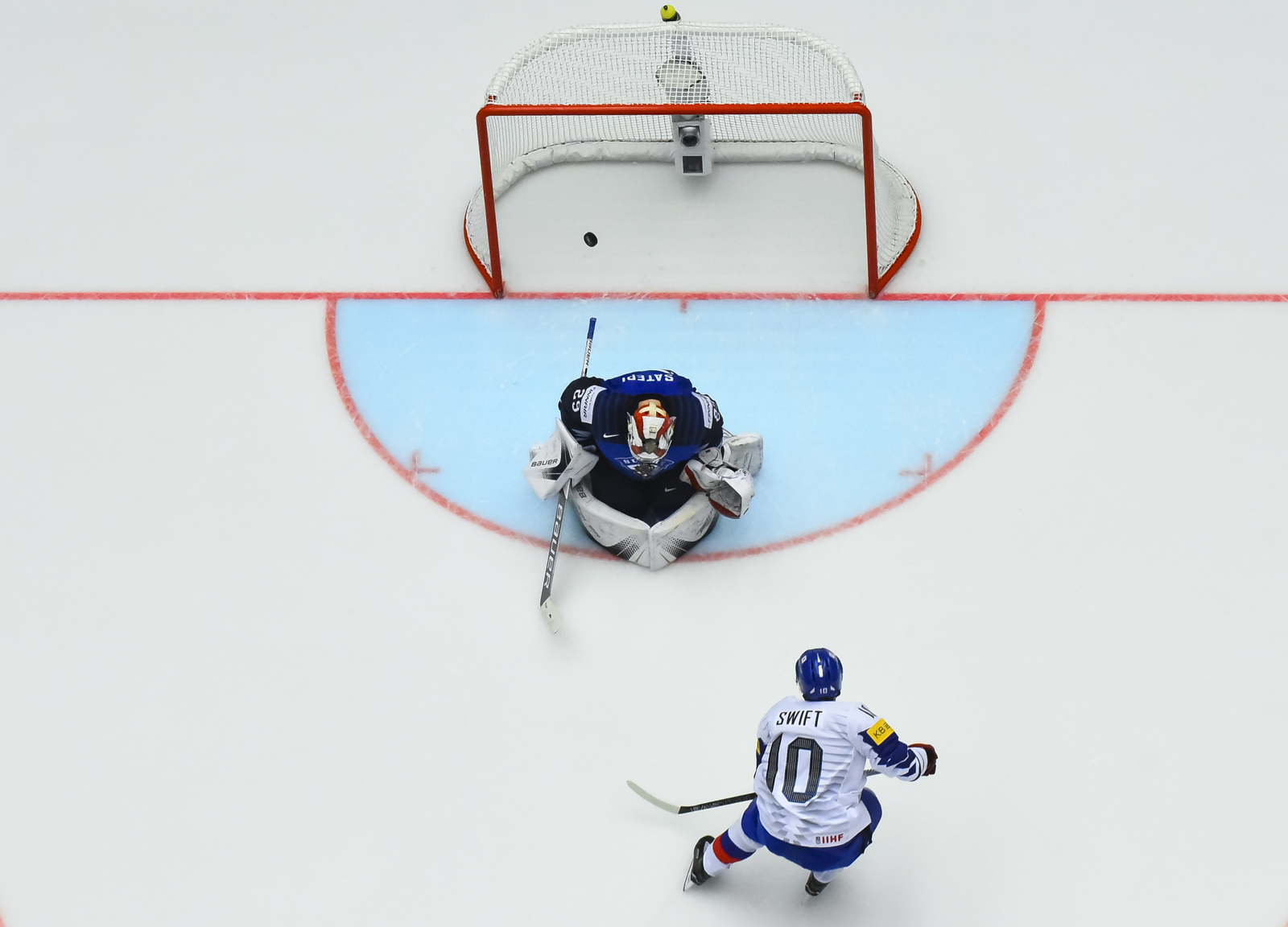 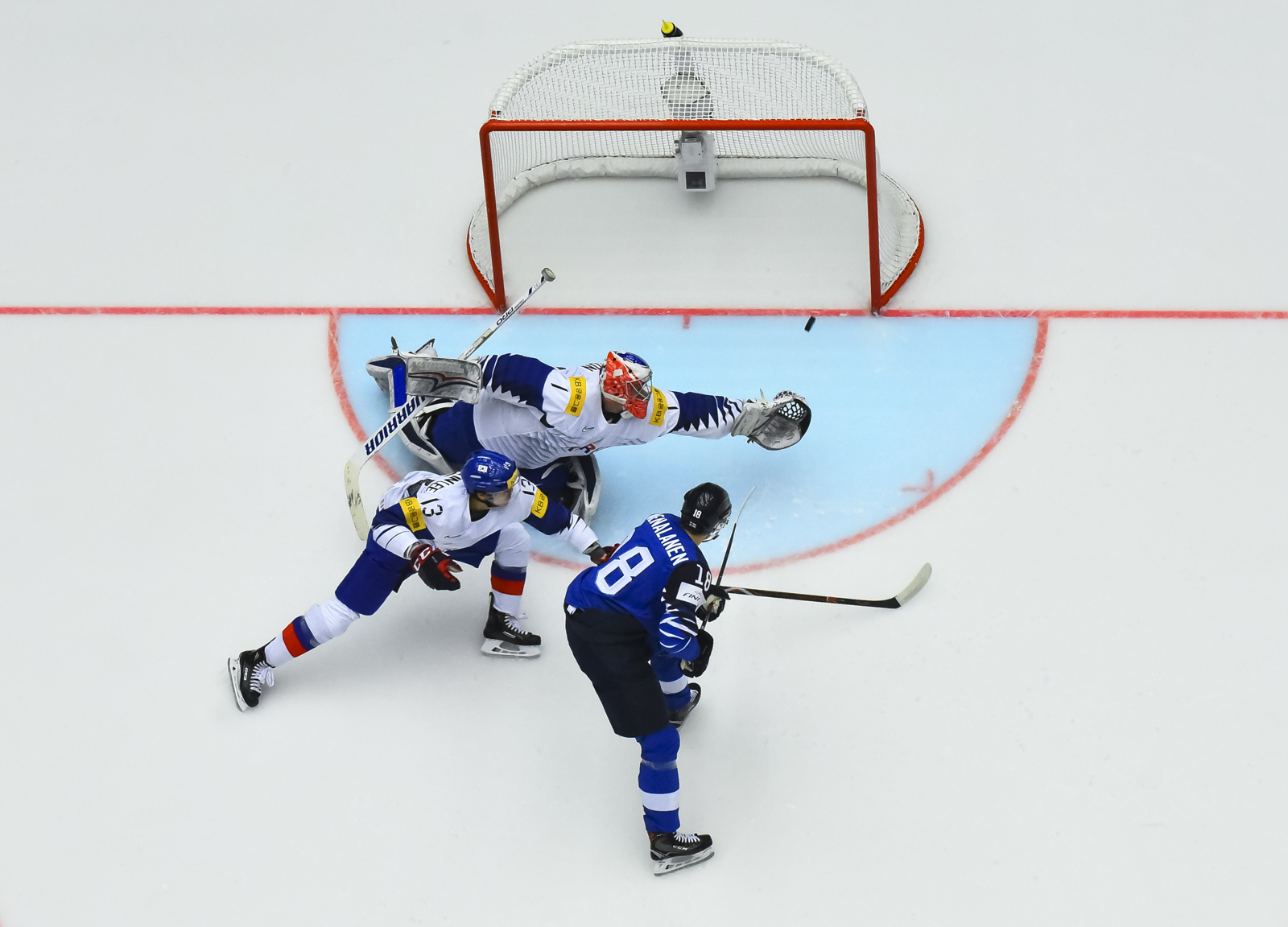 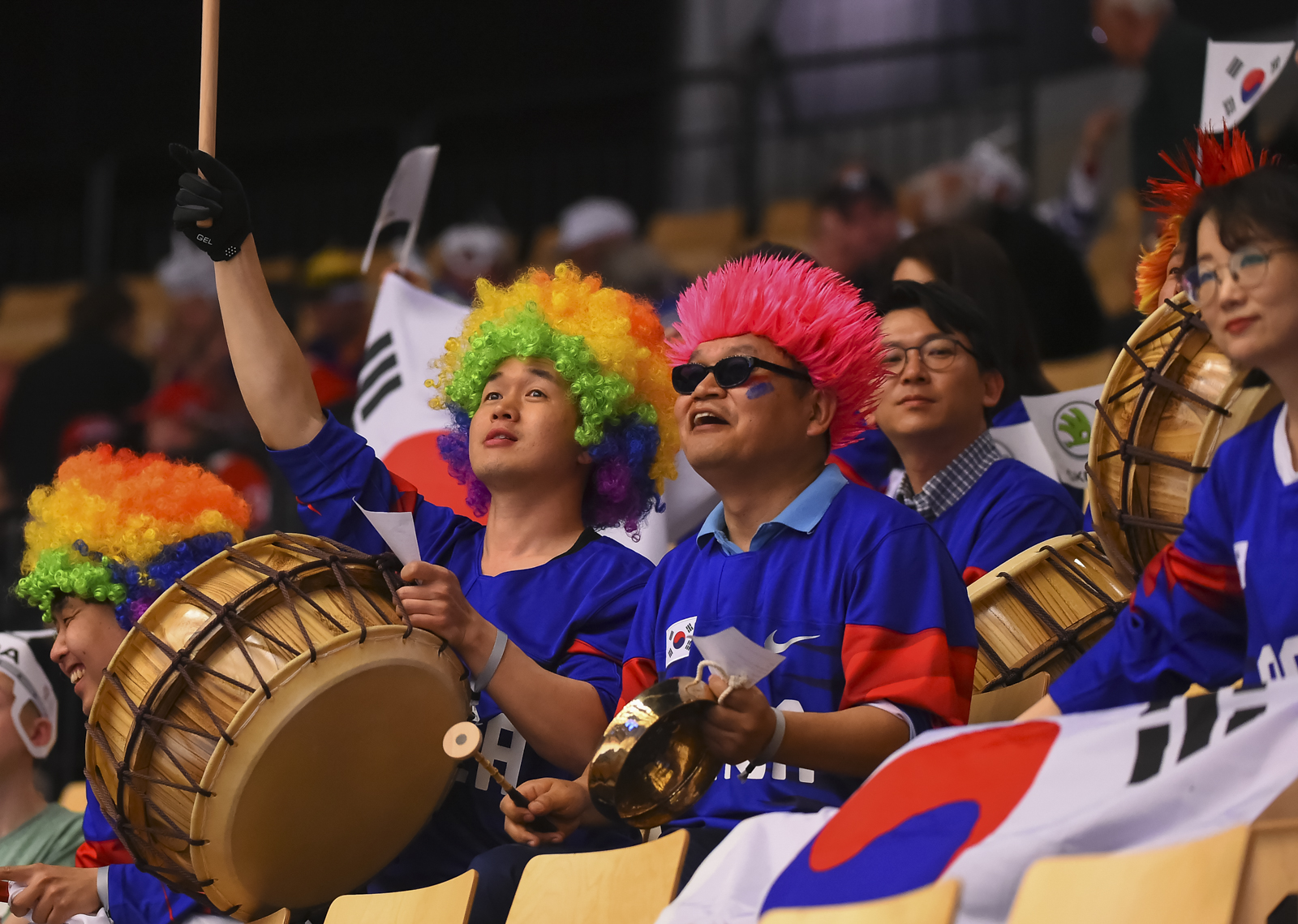 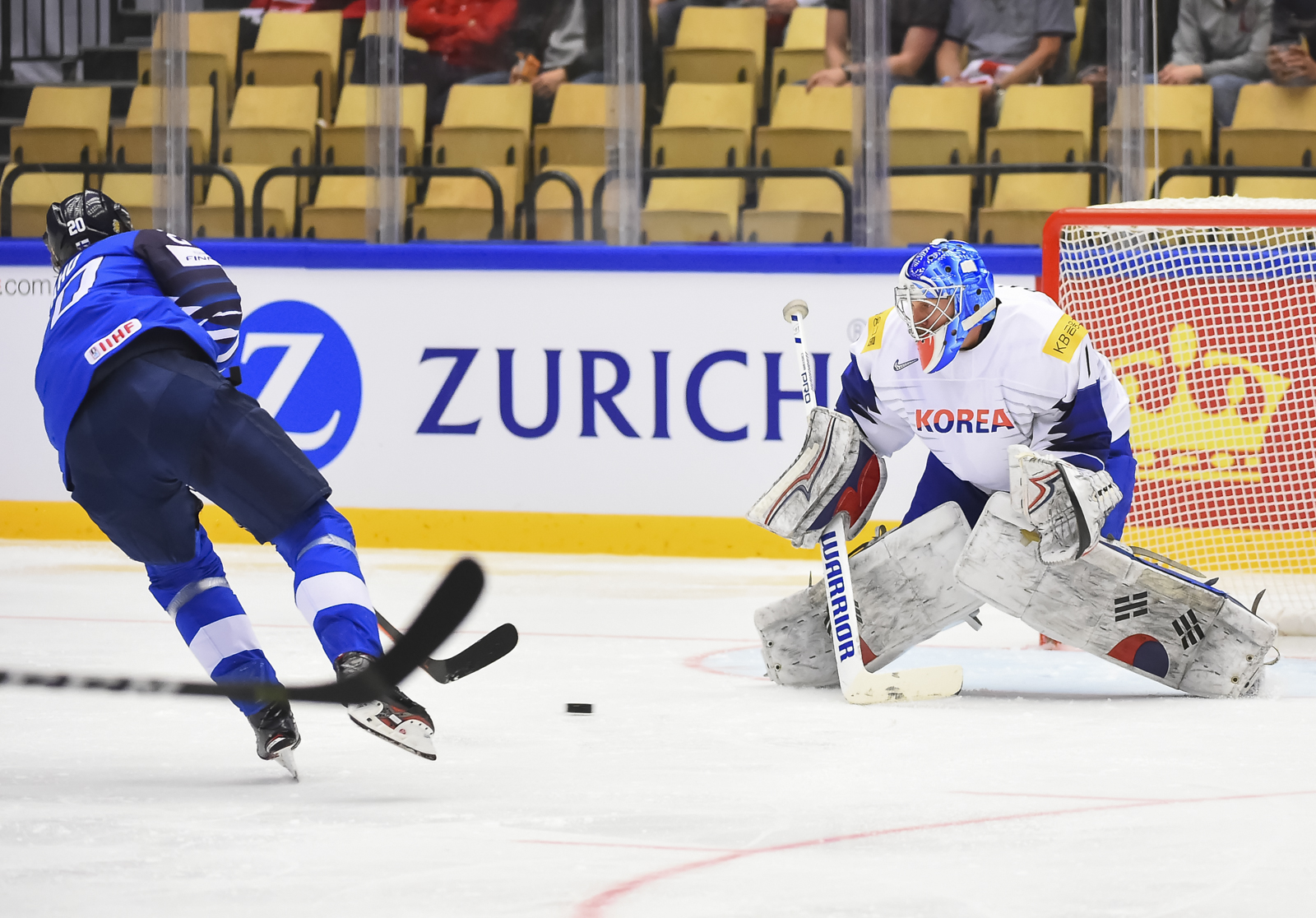 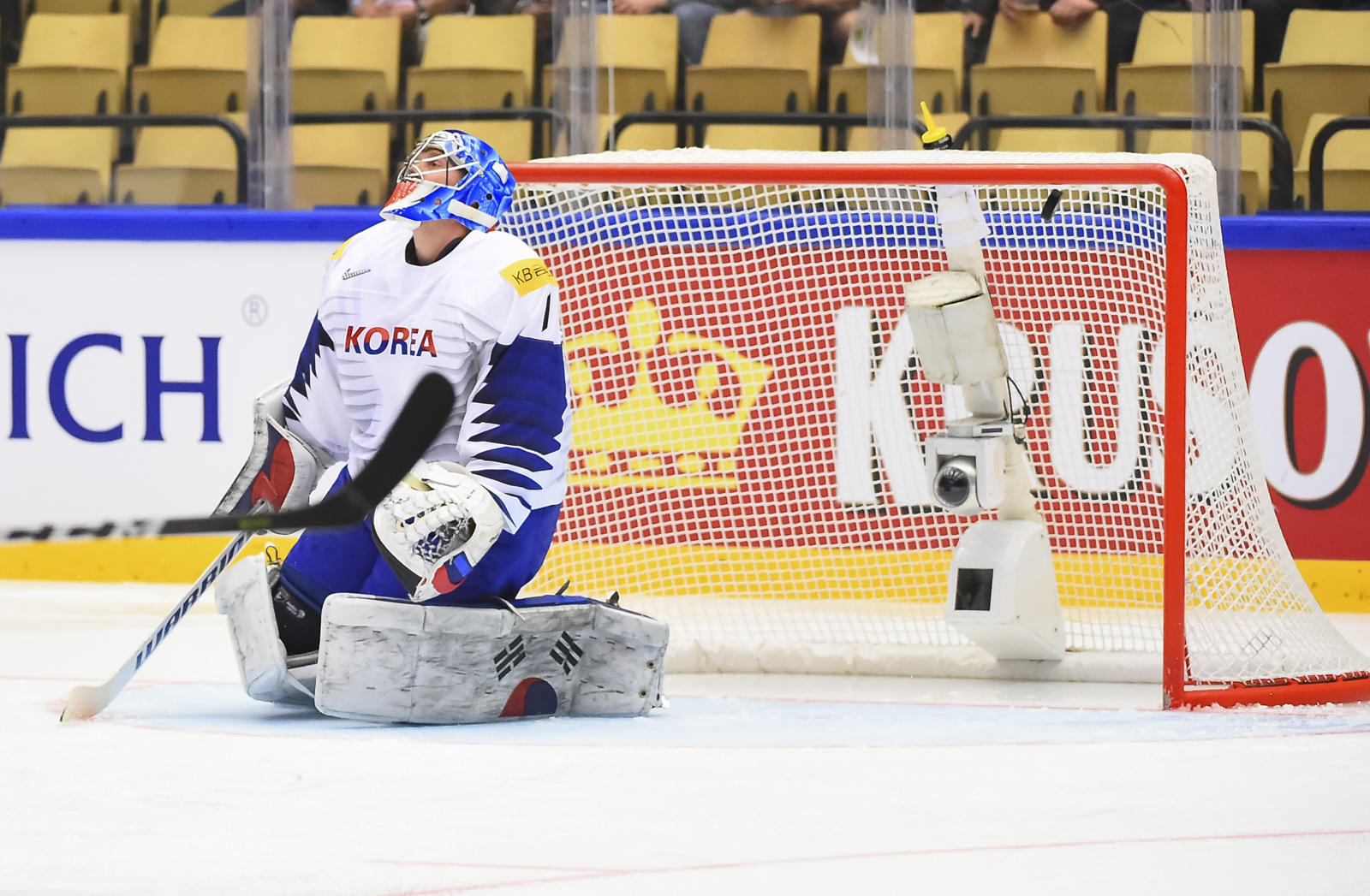 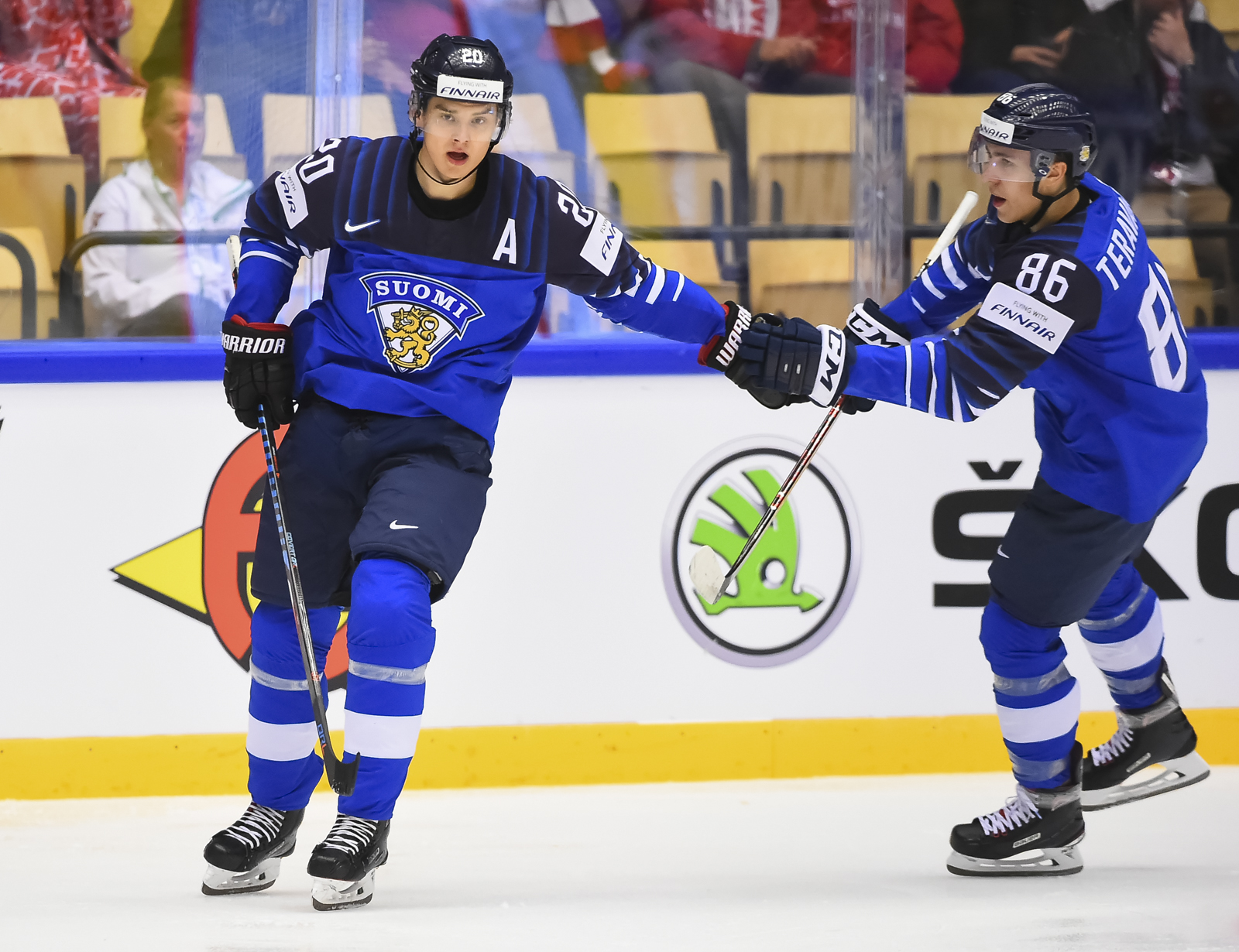 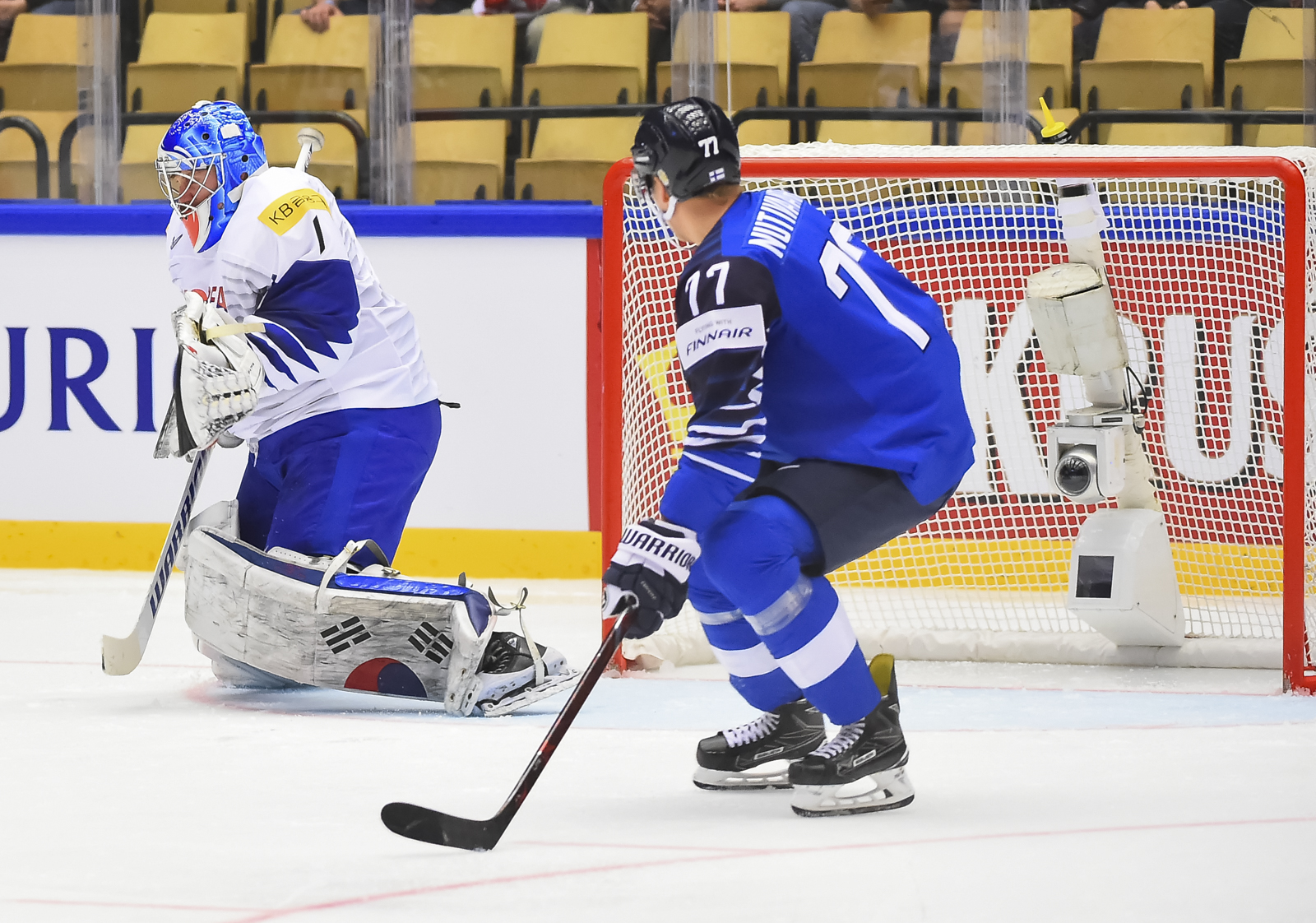 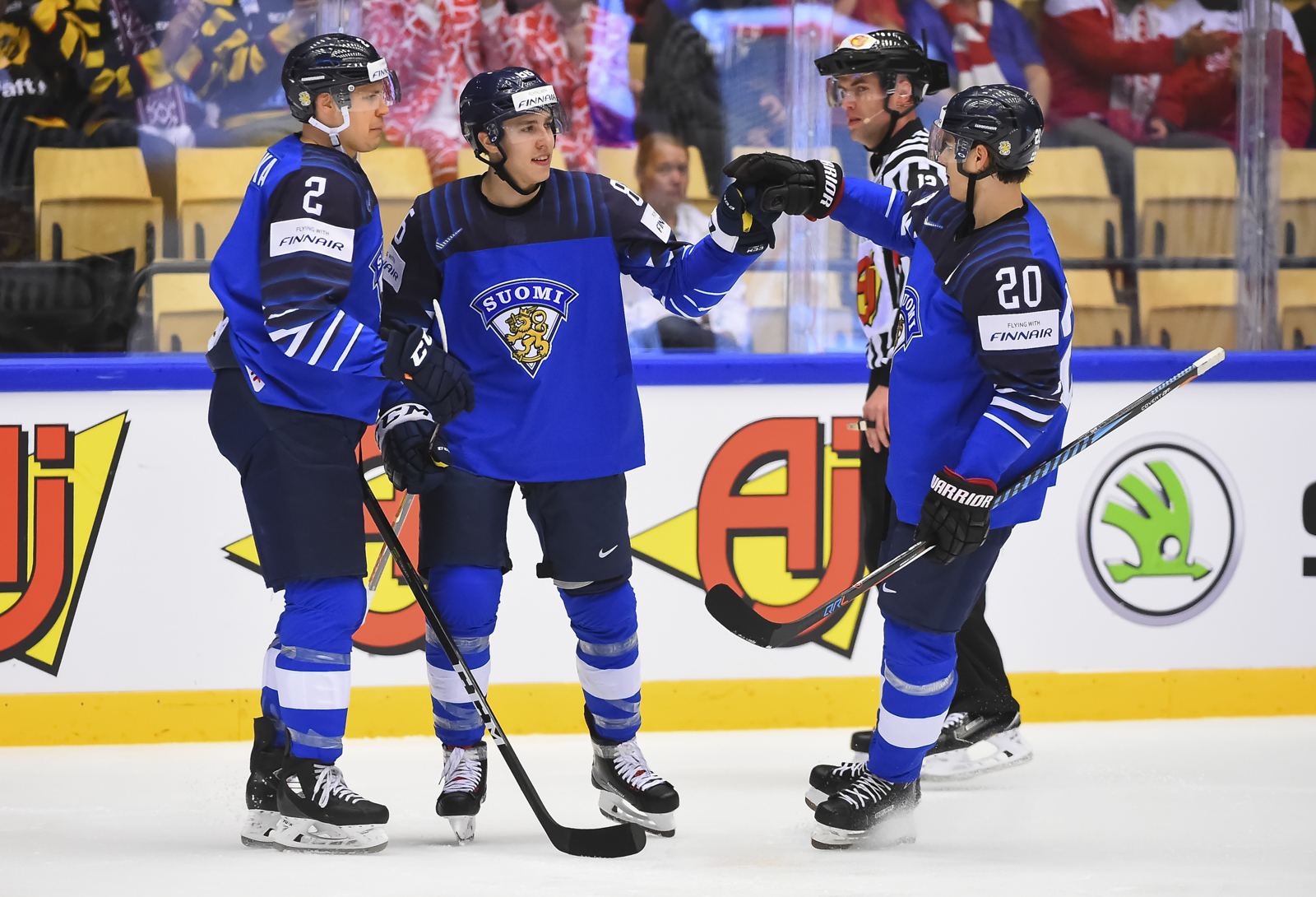 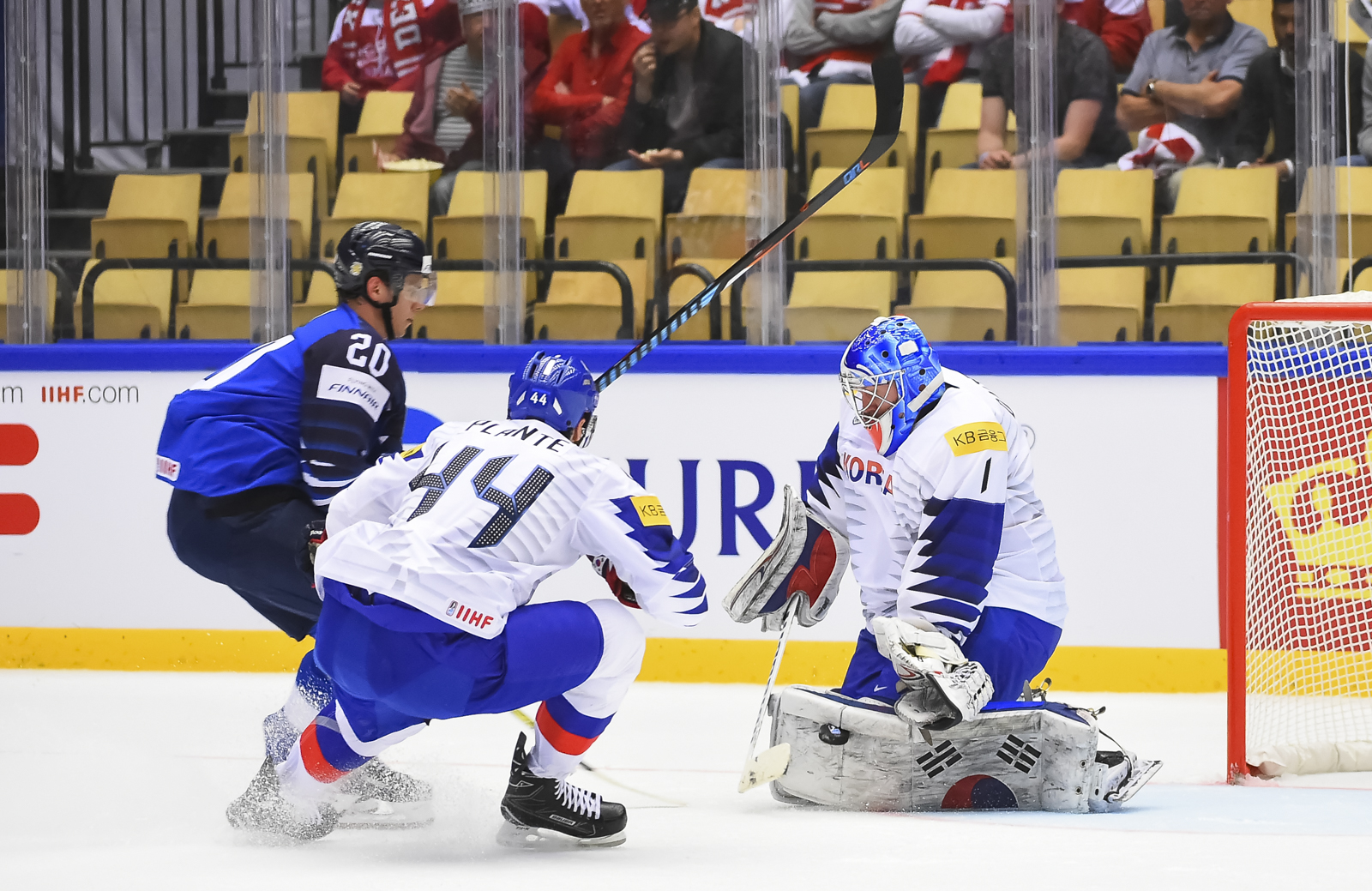 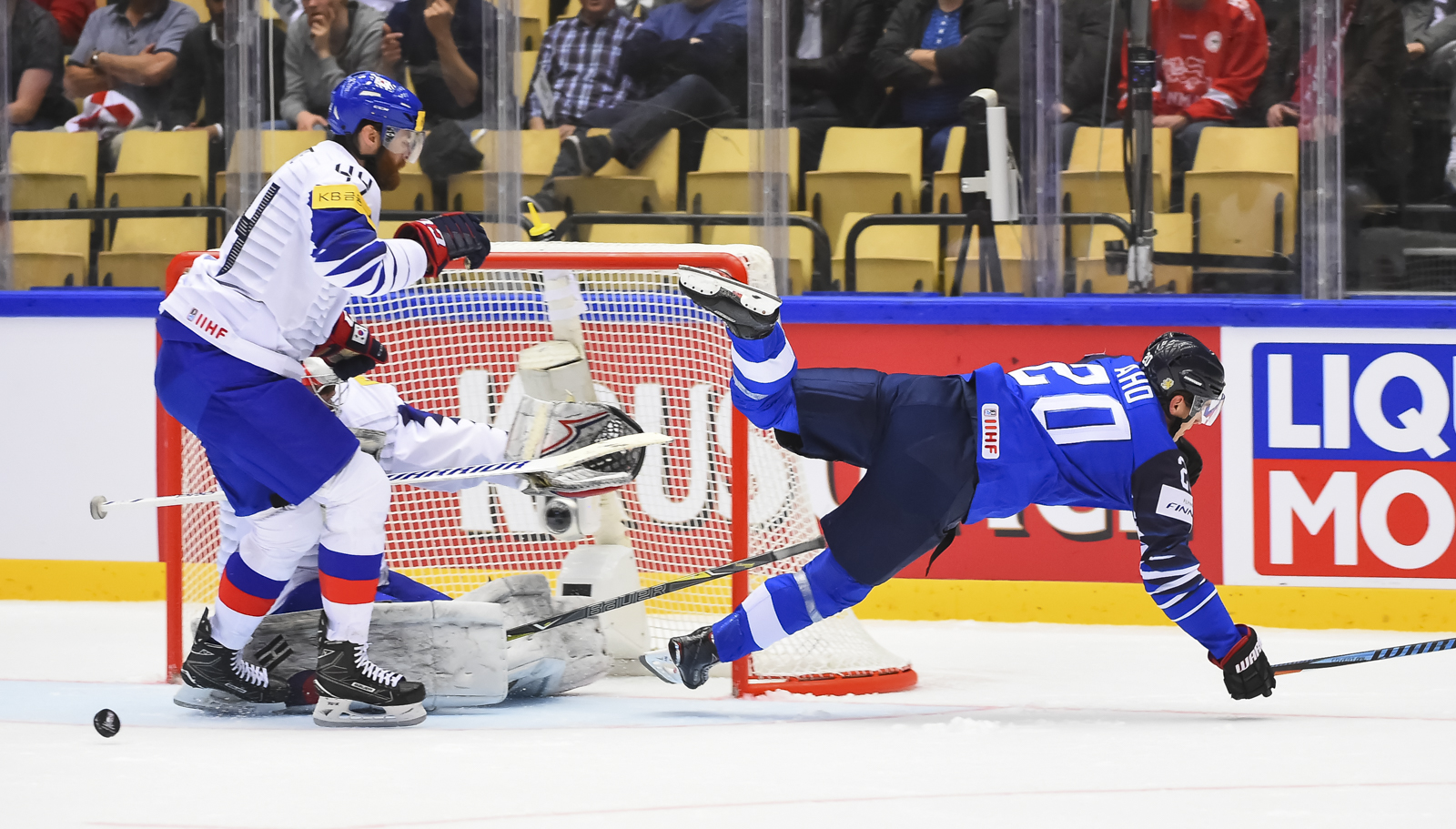 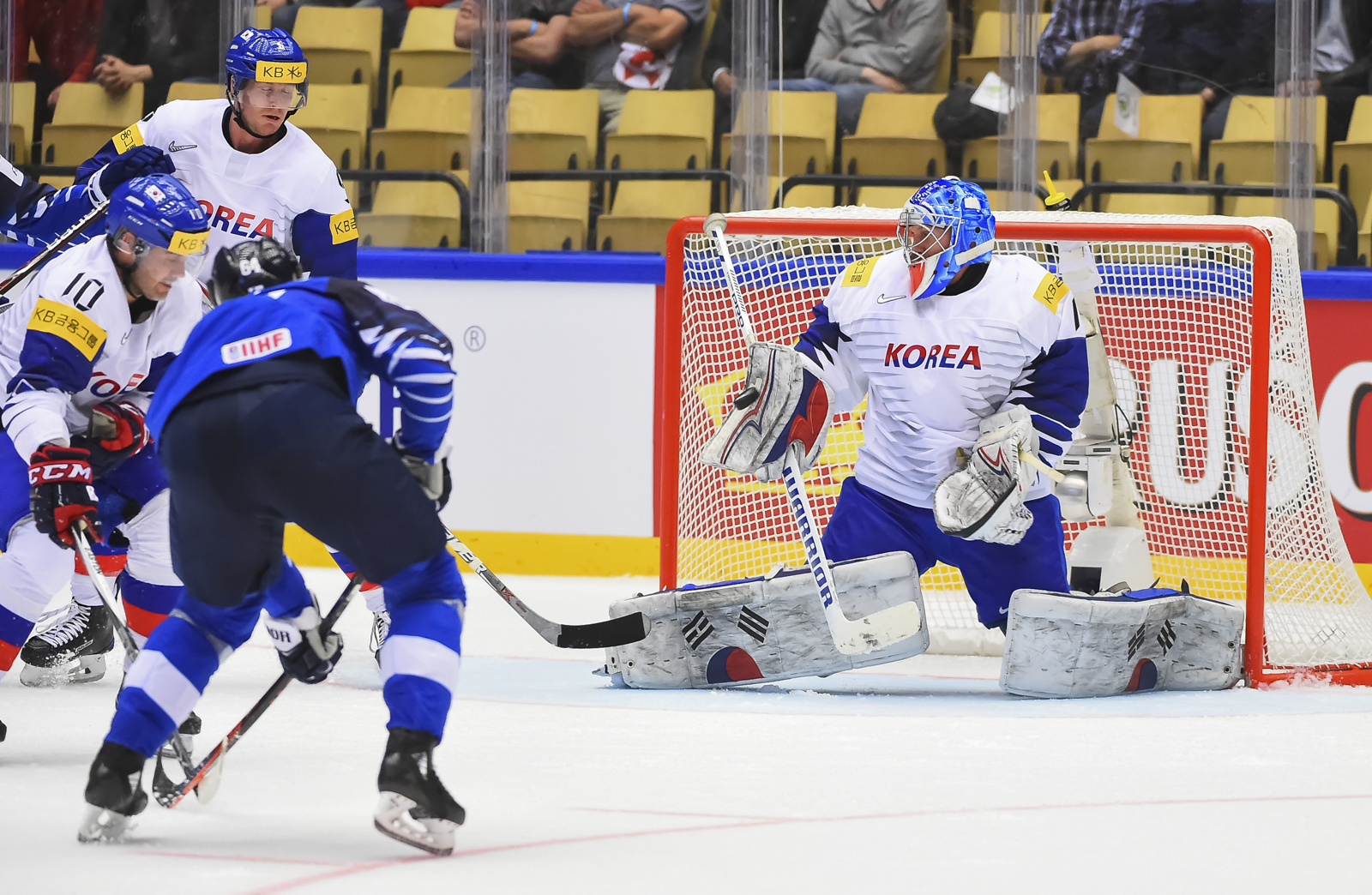 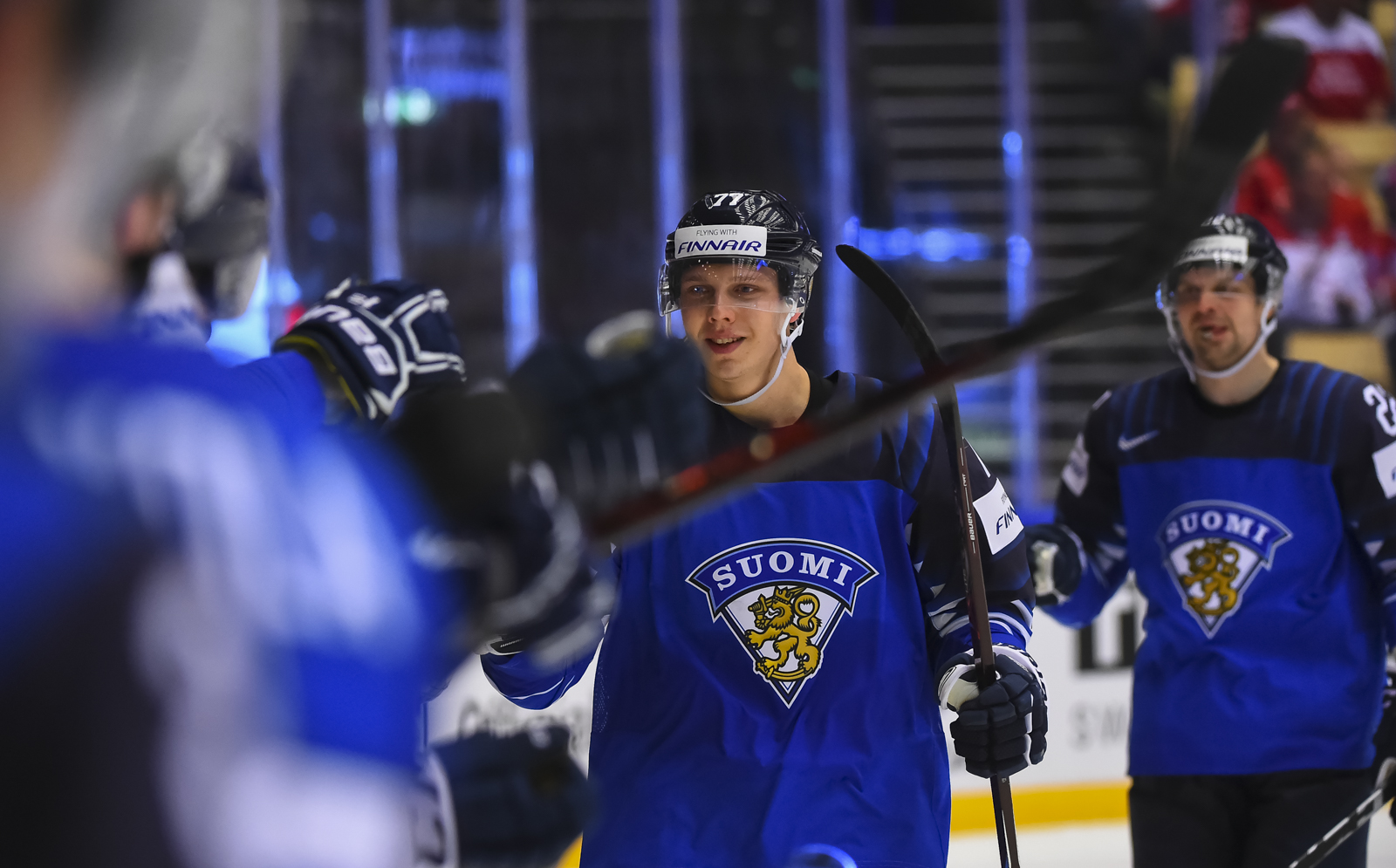 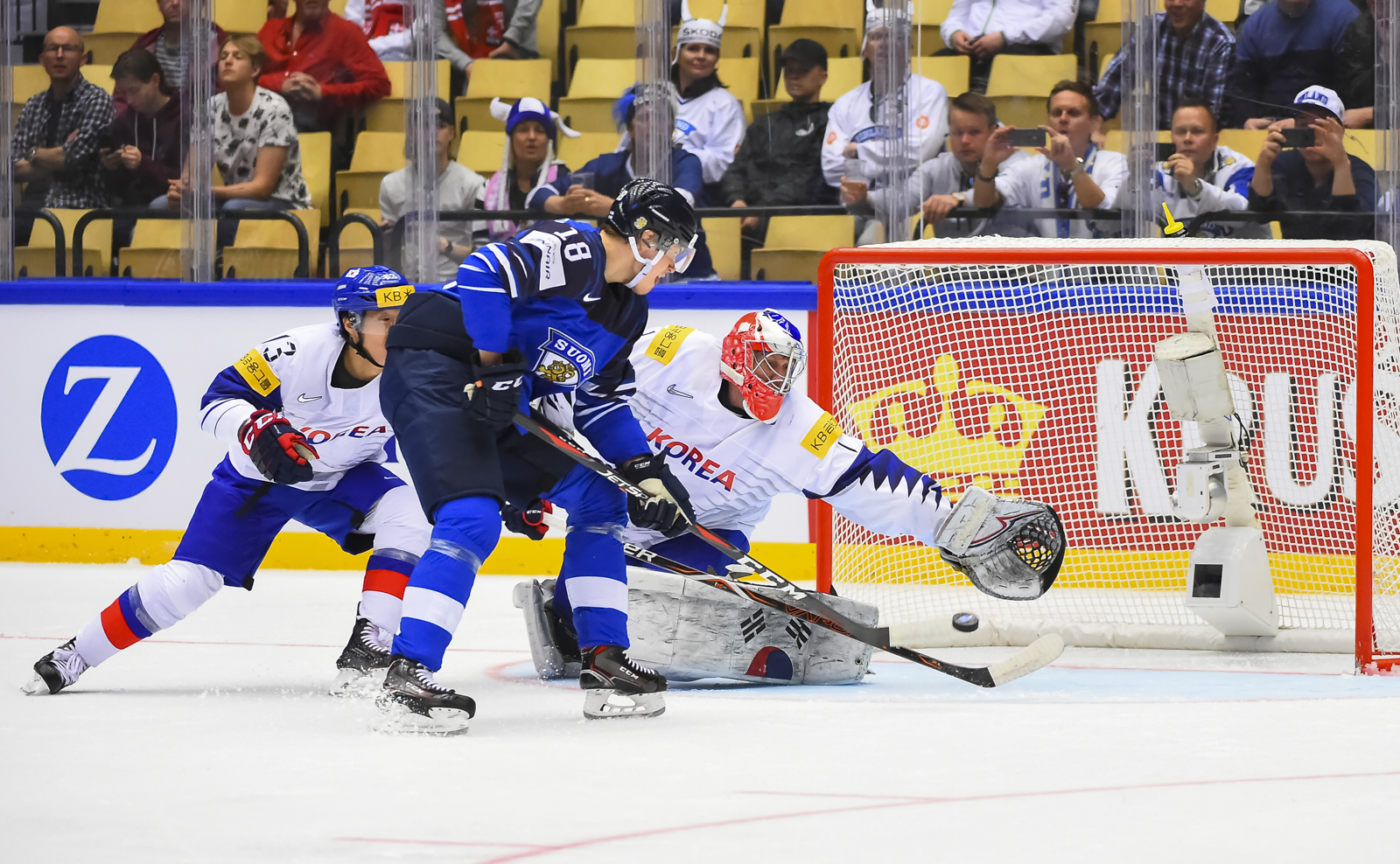 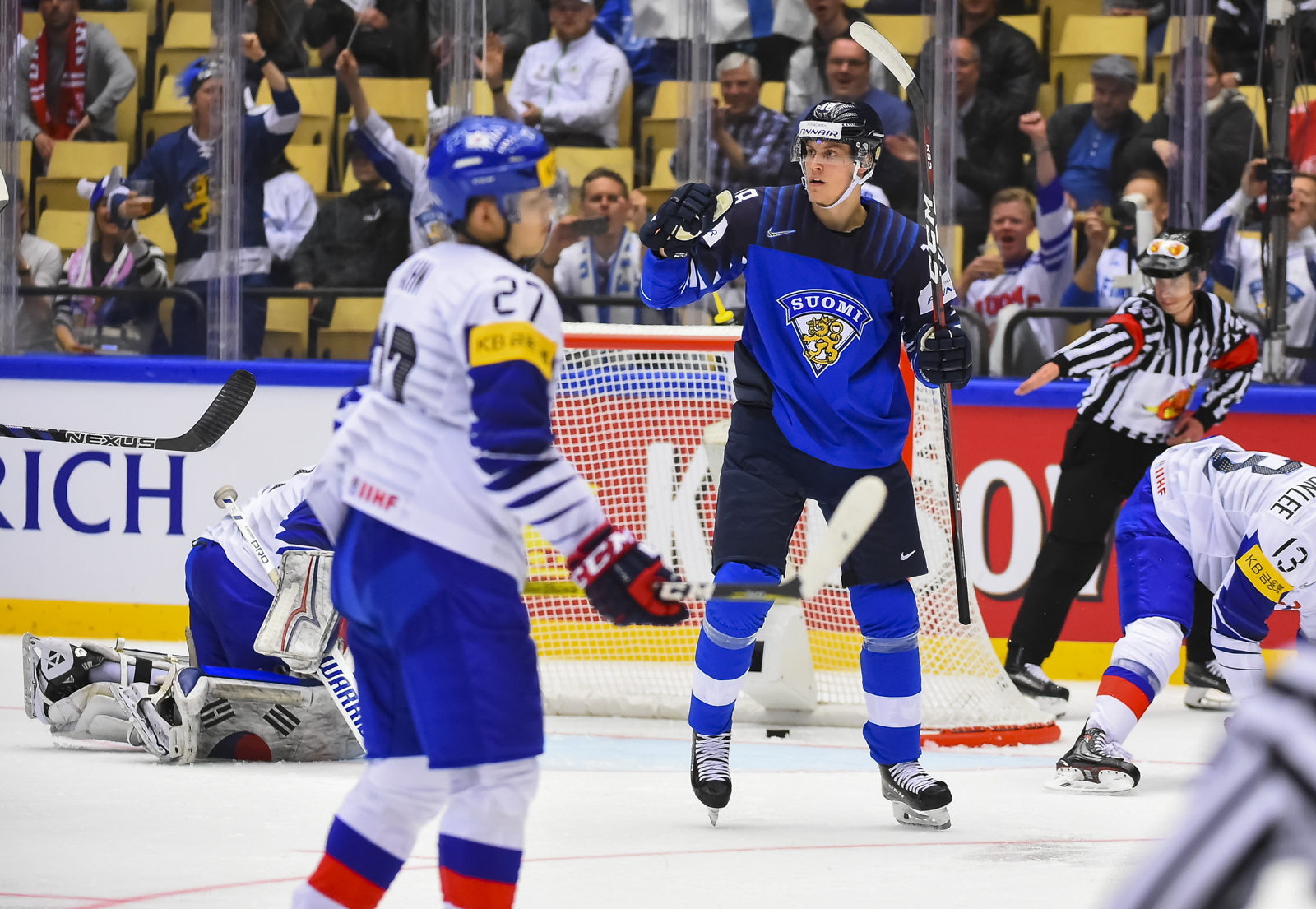 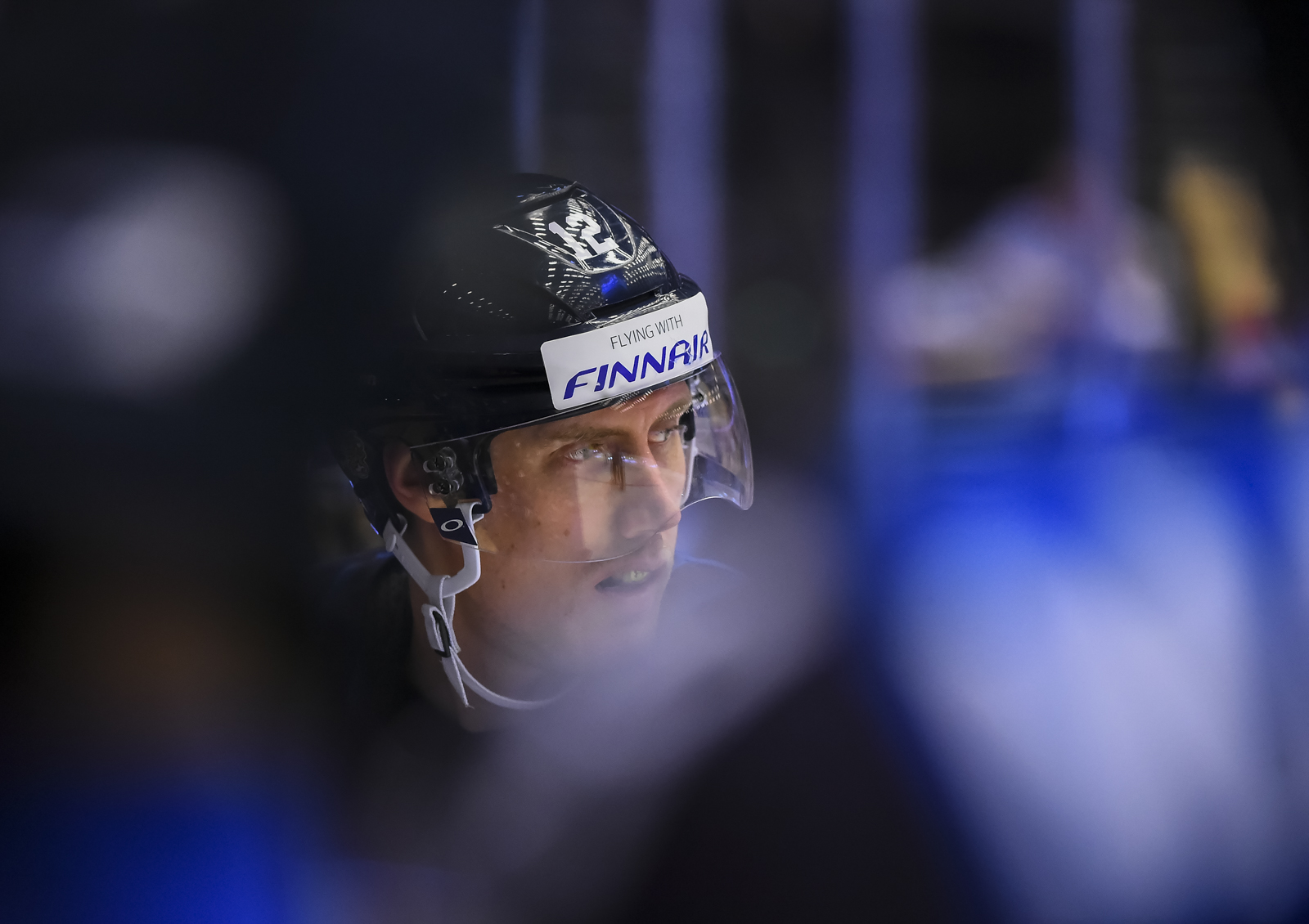 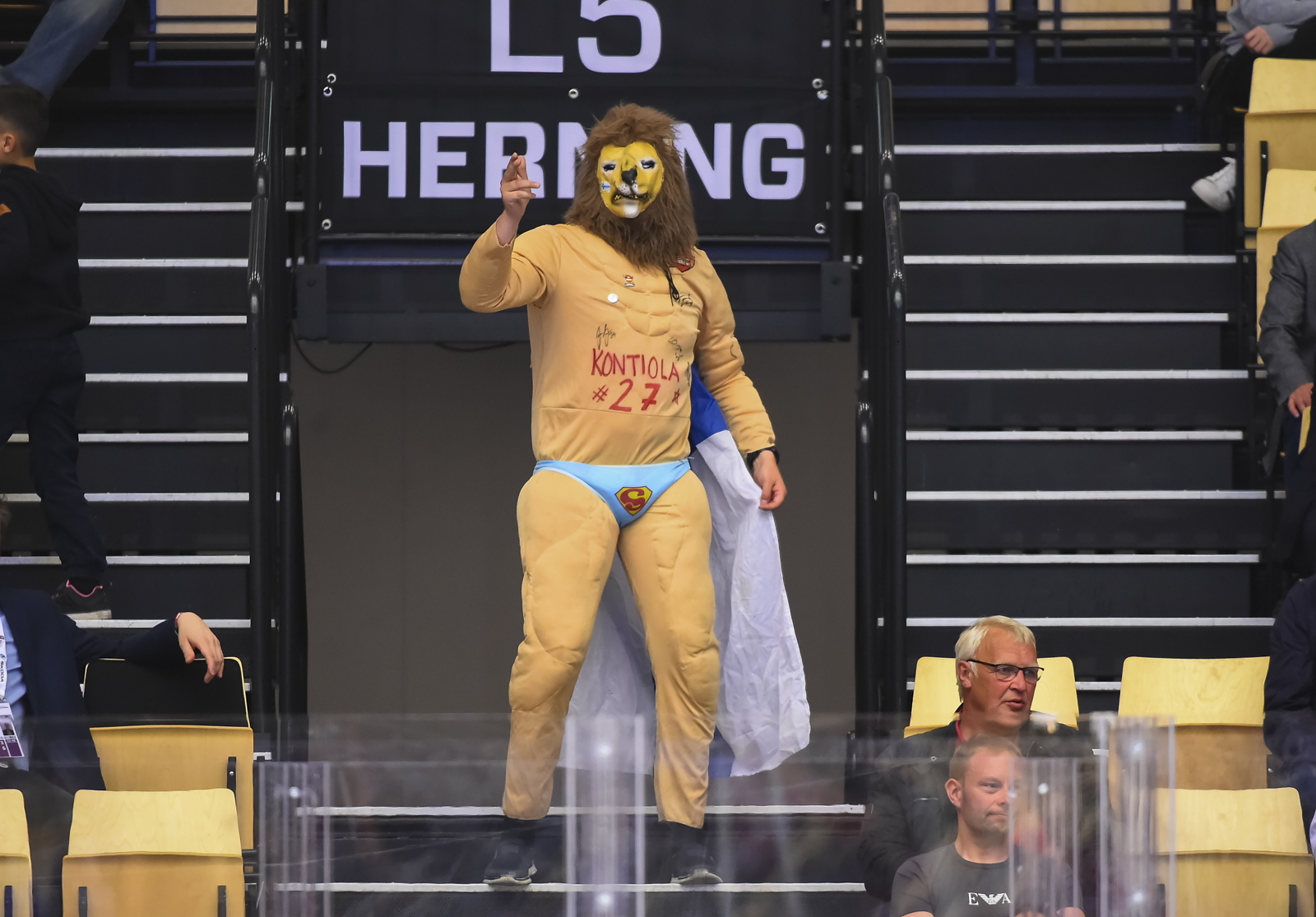 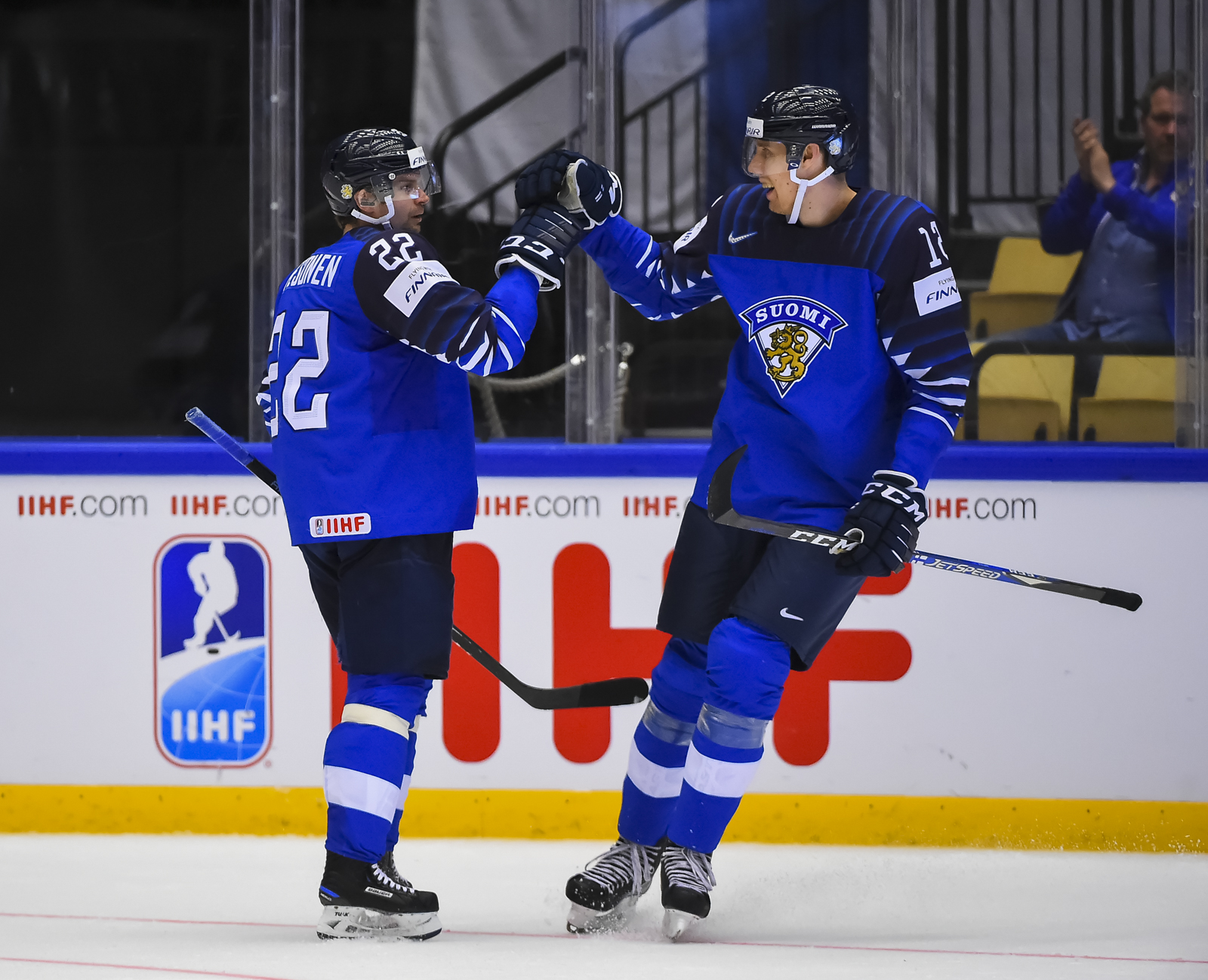 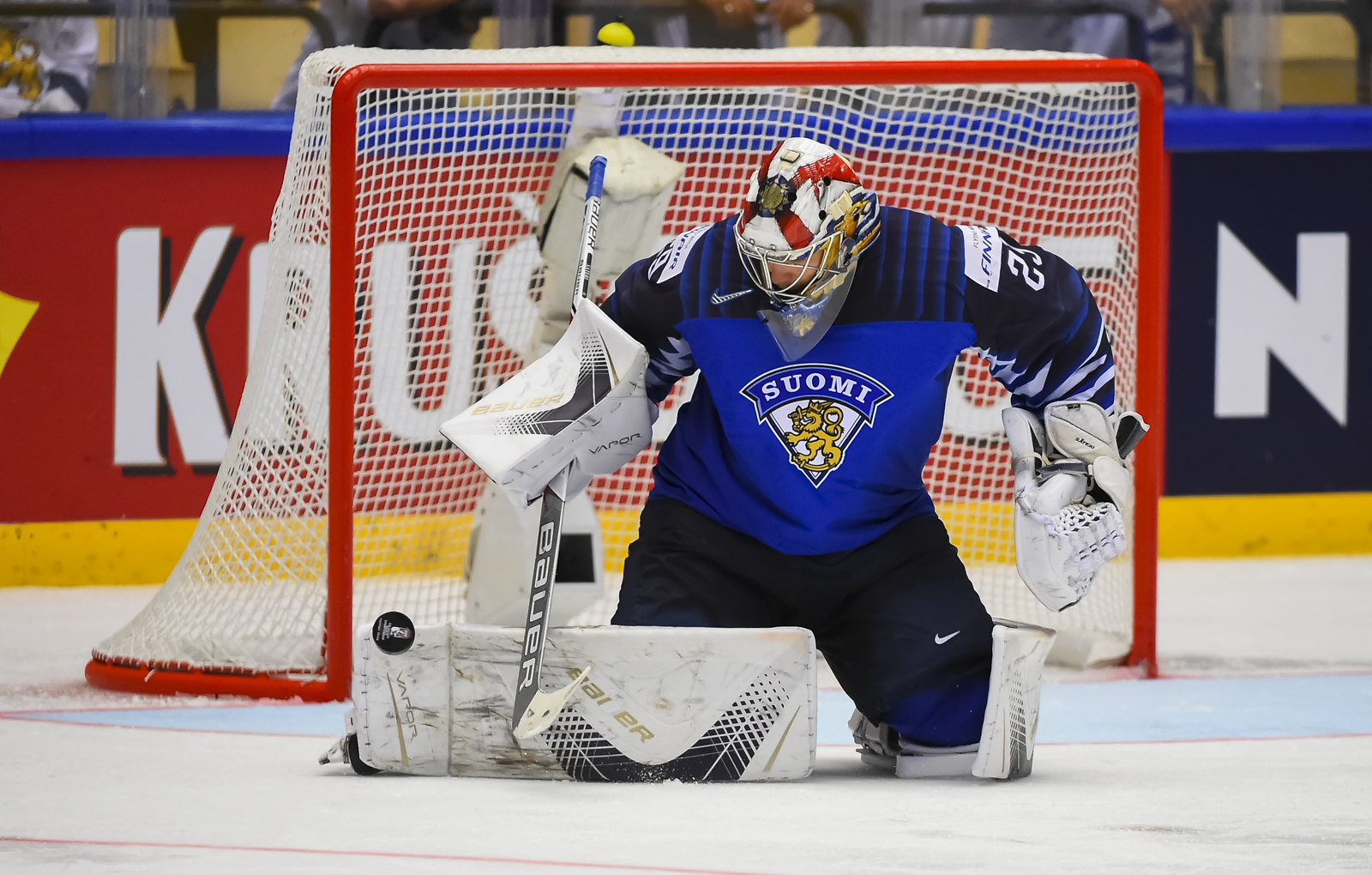 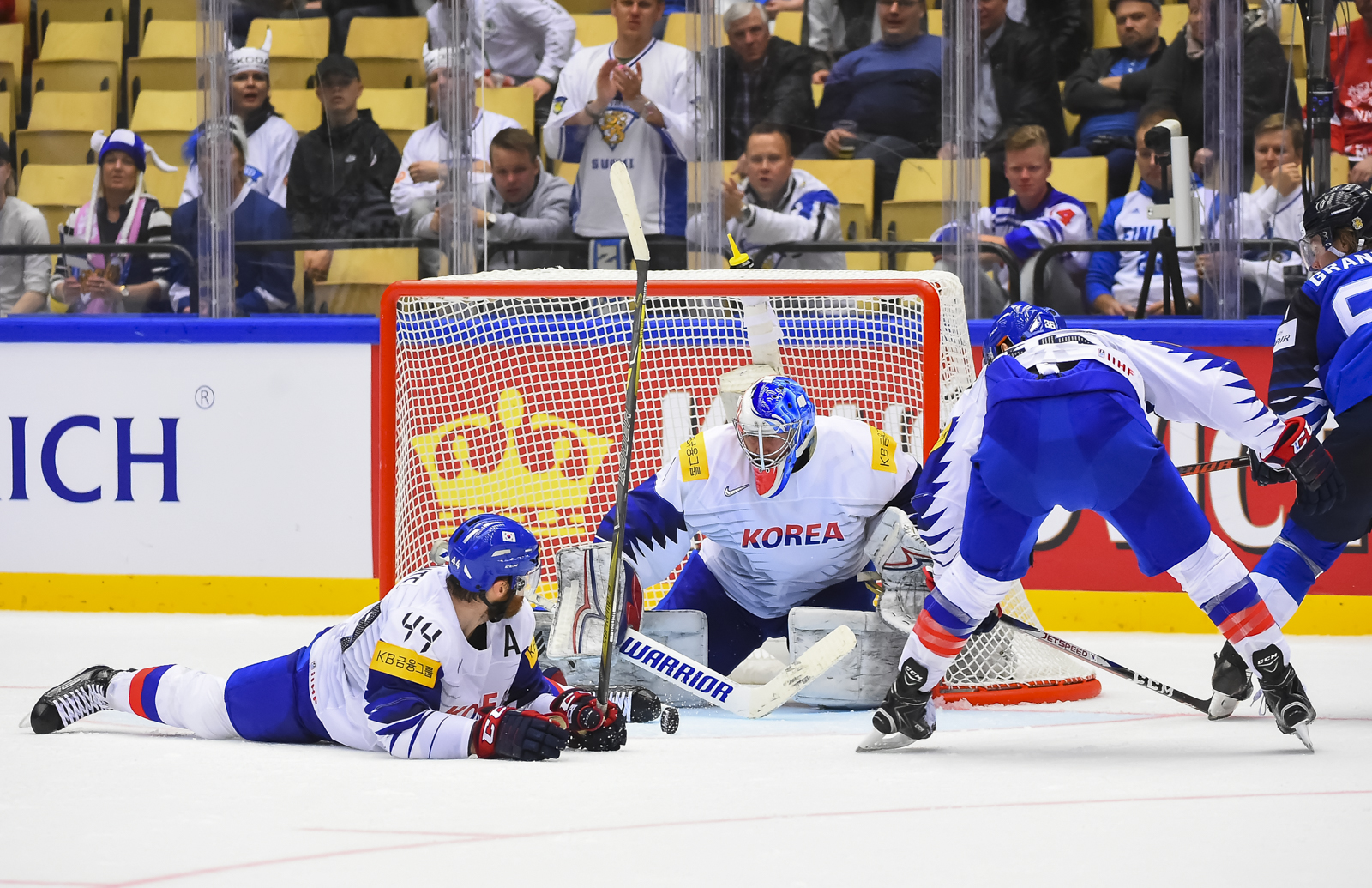 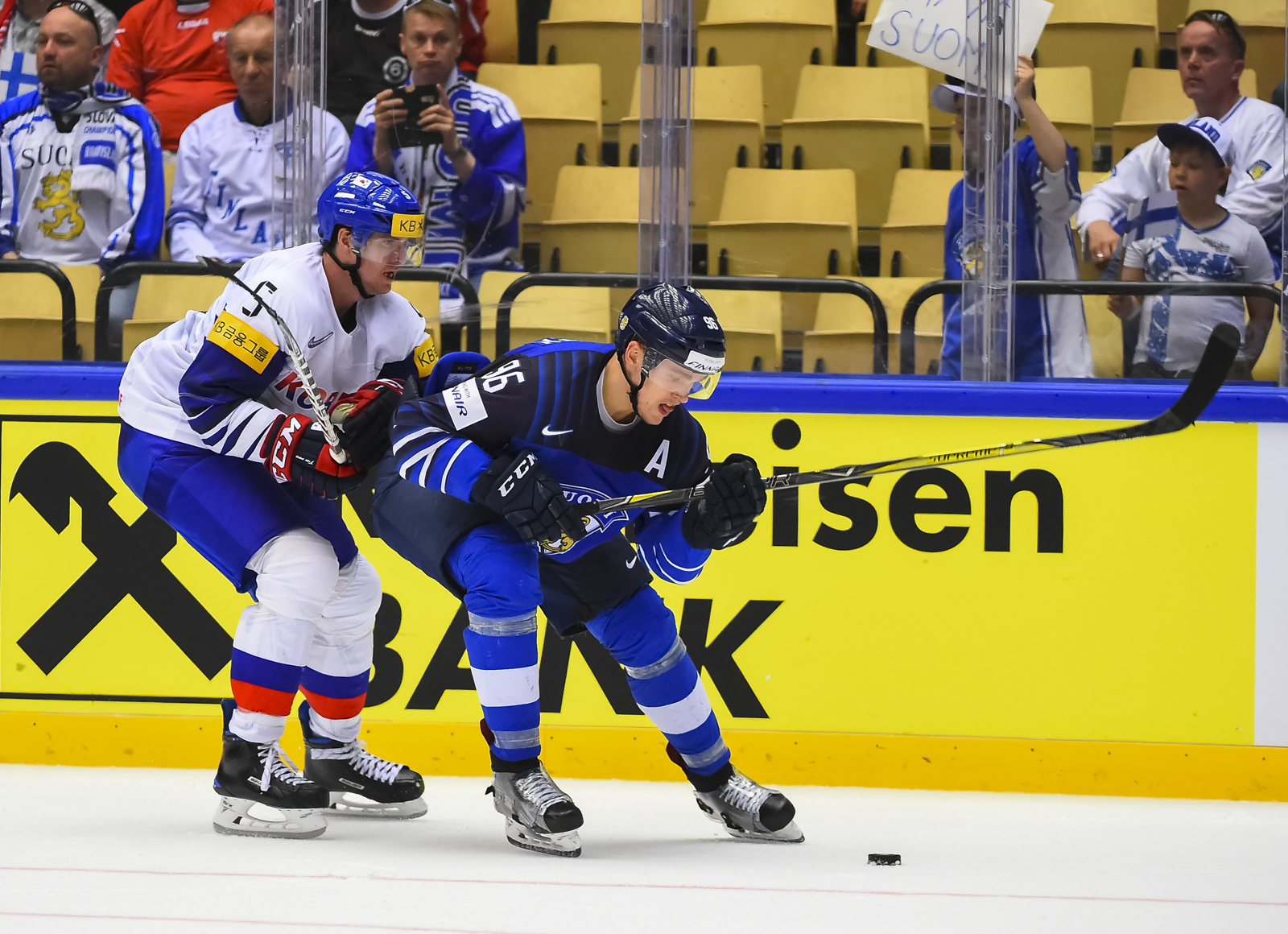 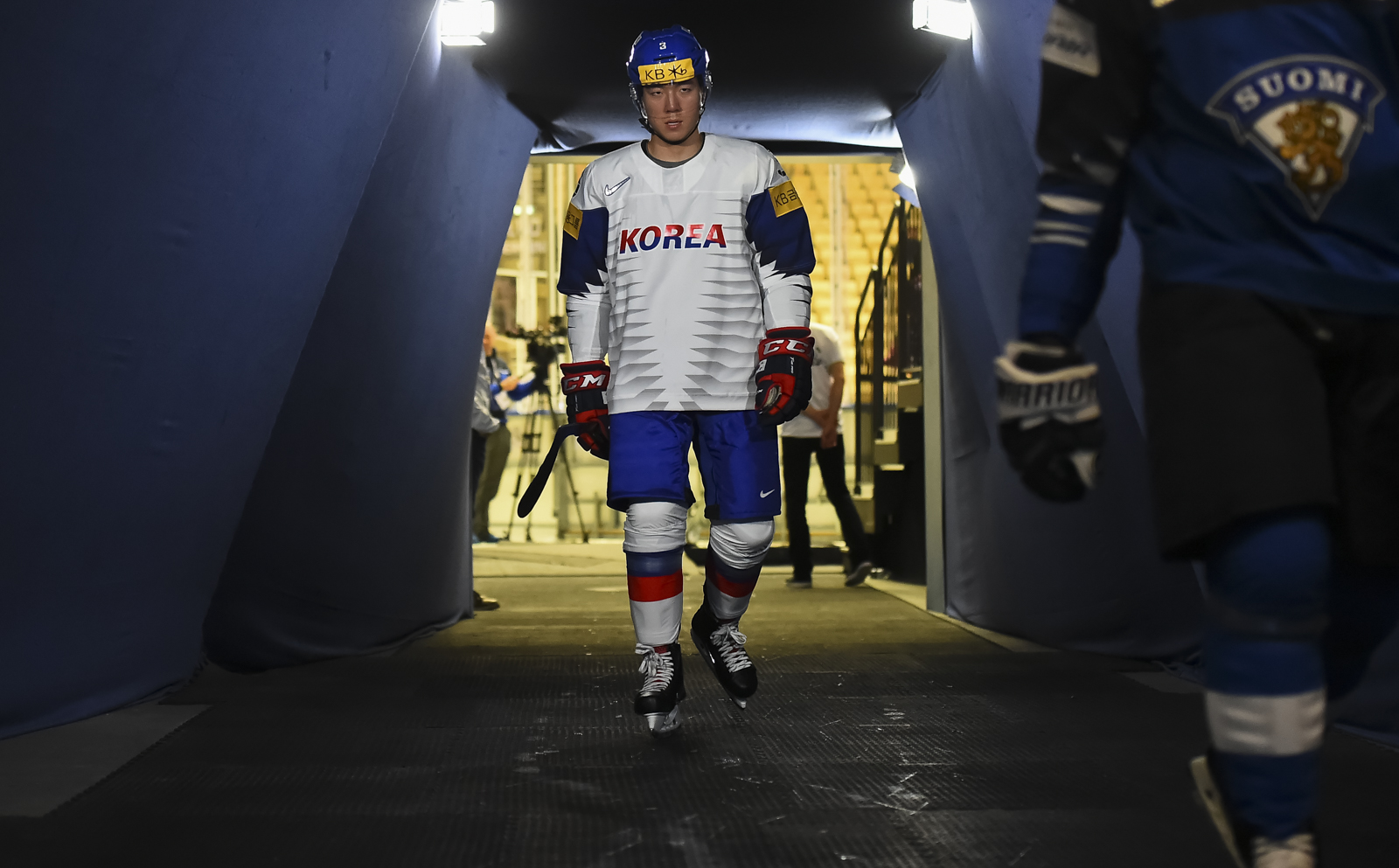 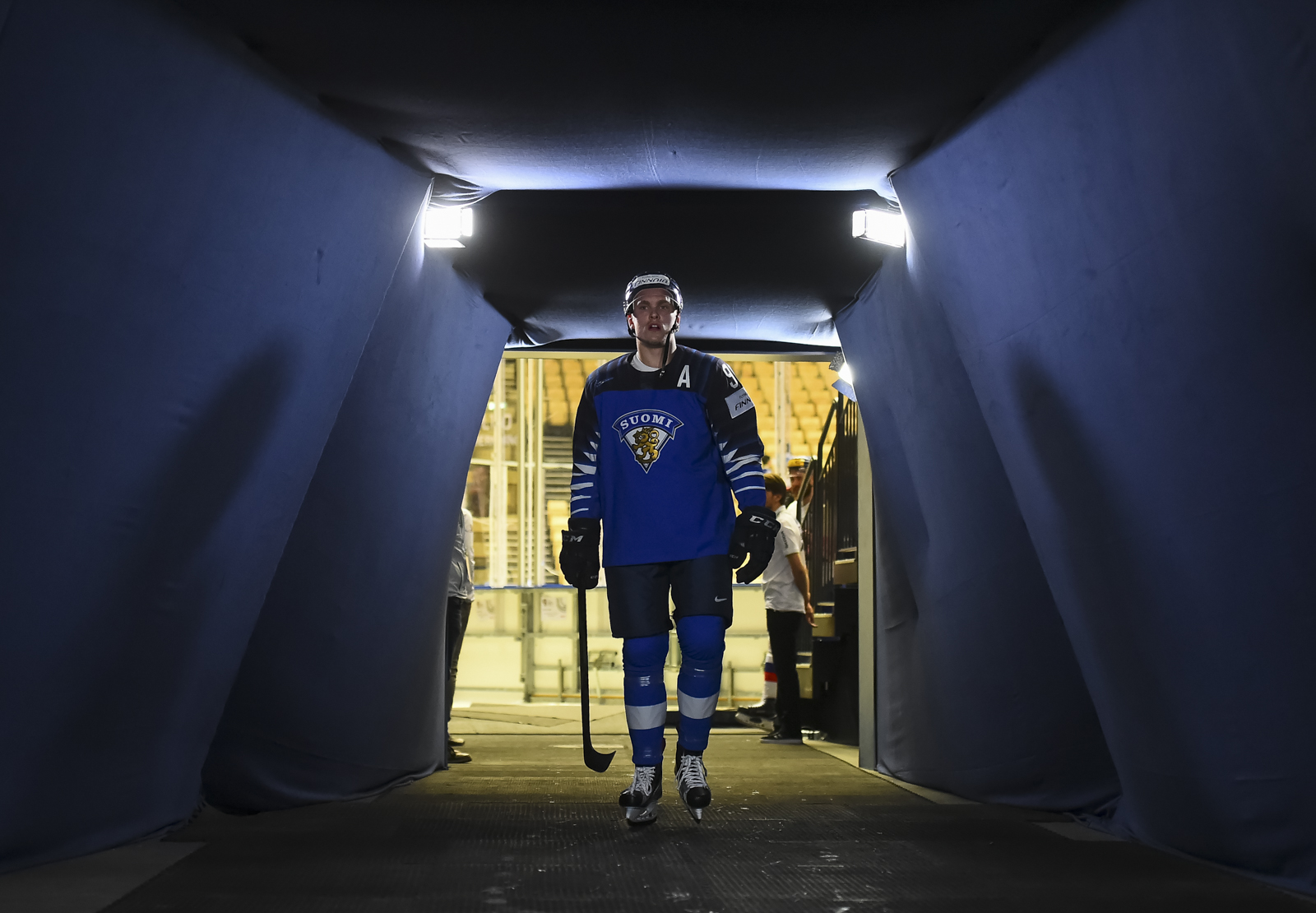 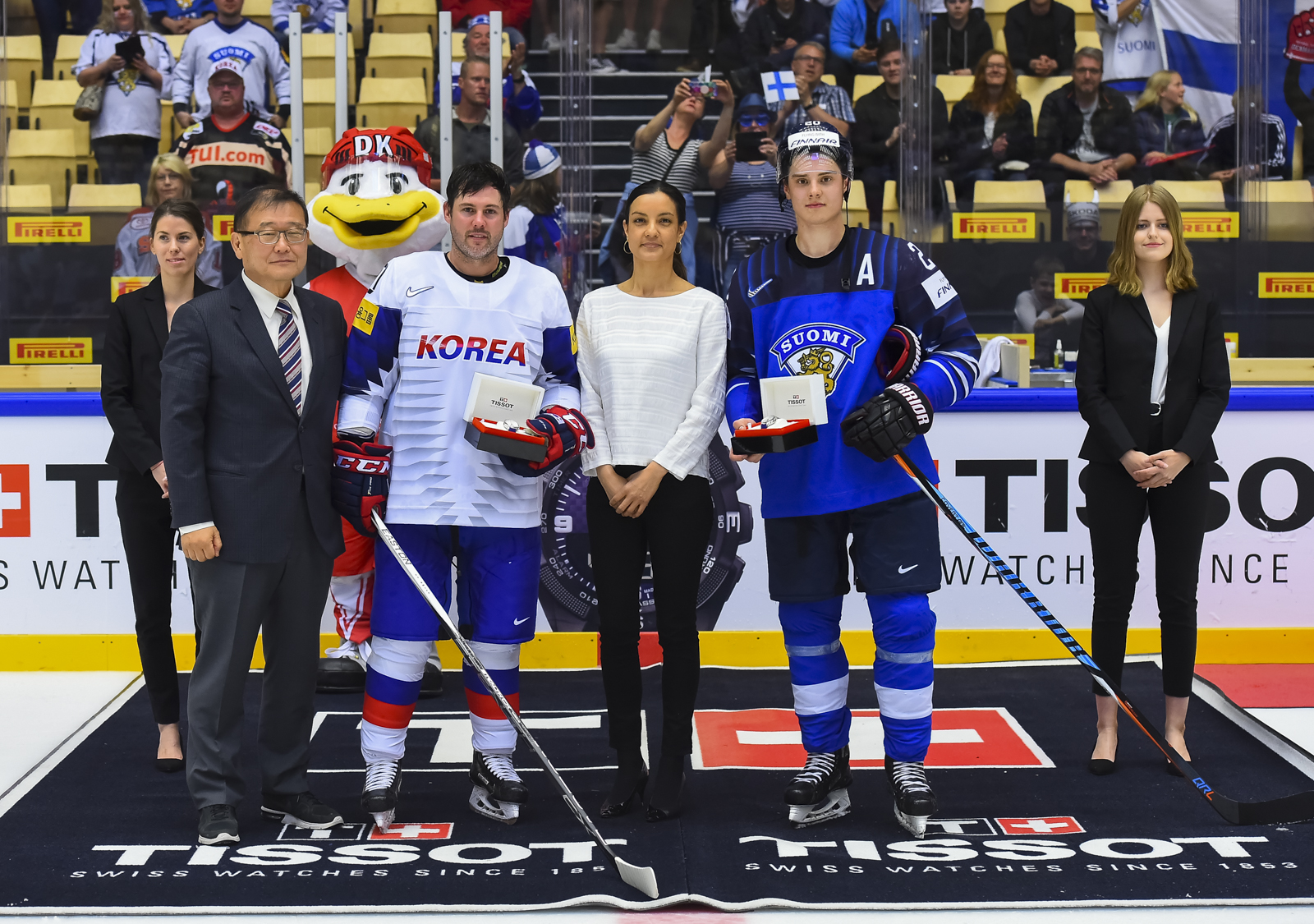 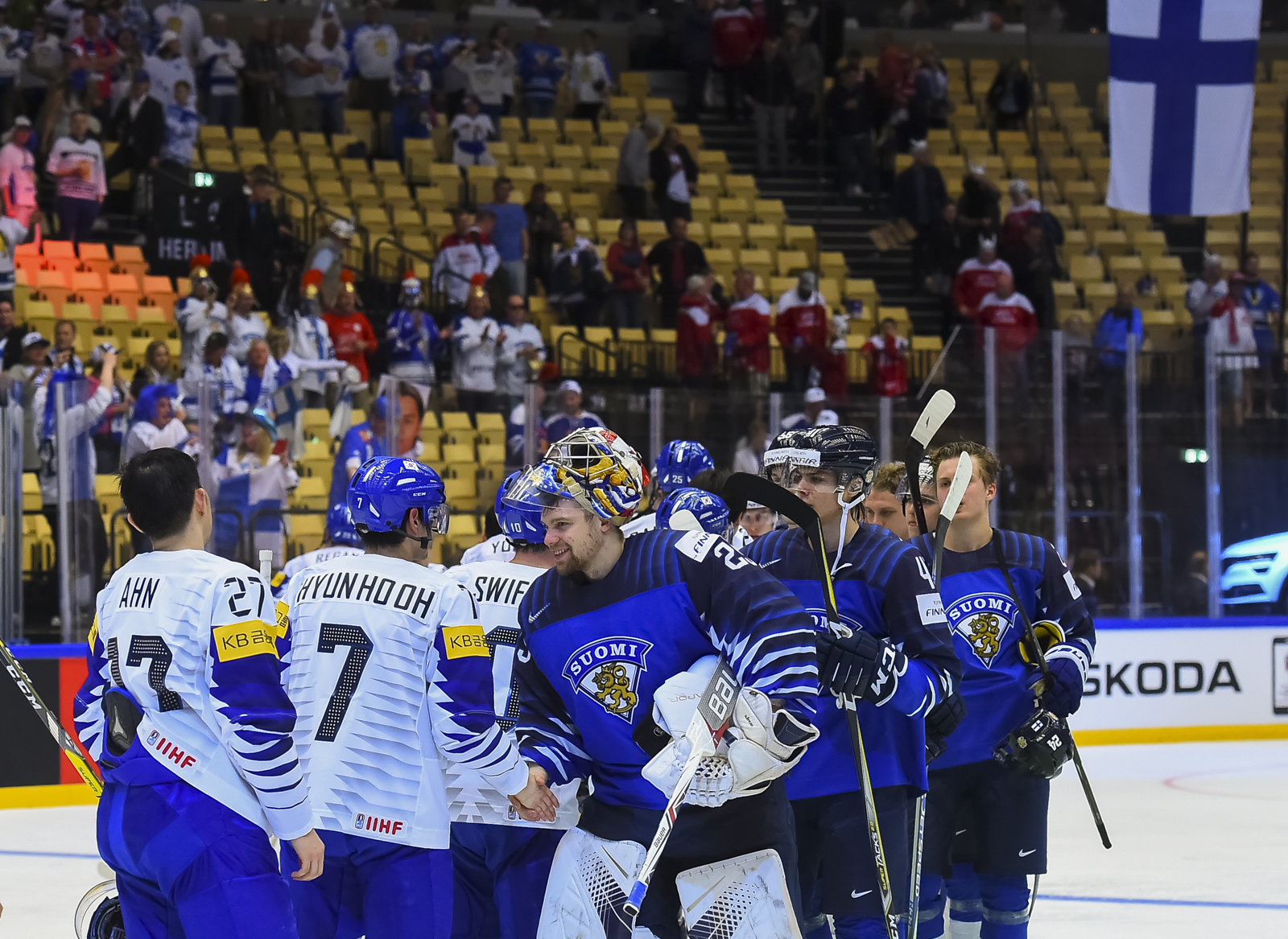