Scherwey paces Swiss win
Tristan Scherwey (white jersey) celebrates after giving Switzerland a first-period lead over Slovakia in Copenhagen.
photo: Andre Ringuette / HHOF-IIHF Images
share
Switzerland collected its second win of the tournament, defeating Slovakia 2-0 with a rather more assured performance than it produced against Austria in its opening game.
It was a memorable night for Switzerland’s Tristan Scherwey as he collected a goal and an assist to inspire his nation to victory over Slovakia. The 26-year-old forward, who has played his entire adult career with Bern, has been on the fringes of the Swiss national team for several seasons but in 2018 he has established himself in Patrick Fischer’s plans, making the roster for both the Olympics and the current World Championship. Today he was the difference maker as his team took a big step towards a quarter-final spot with an important win over a Slovak team that also has designs on a top-four finish in Group A.

Now Scherwey is loving life on the international stage. "It’s amazing. I started dreaming about that since a long time, when I had the chance to play in the A League in Switzerland," he said. "I knew that all of the guys gave me the confidence. I tried to work hard every day. This is the national team. It’s something amazing, and it’s for those moments like today that I tried to work hard every day and tried to make my game better and better."
Both teams began their World Championship campaigns with 2-2 ties in regulation. But while Switzerland claimed victory over Austria in the extras, Slovakia arguably took more satisfaction from its opening game despite a defeat against the Czechs. Craig Ramsay’s team was 10 seconds from claiming a notable win to start the tournament and the Slovak fans were certainly the livelier of the two early on.
However, that energy did not translate on to the ice. The Swiss made by far the more active start to the game and the noise from the blue-and-white clad supporters was beginning to fade even before the opening goal in the 12th minute. Tristan Scherwey scored it, with great movement to take him away from Christian Jaros in front of the net and redirect a Raphael Diaz point shot past Marek Ciliak in the Slovak net.

Not that Scherwey was too sure about what had happened: "I didn’t know that I touched it. Only when I came on the bench, the guys told me," he said. "I saw the D-man touch it. But it’s really cool. I really appreciate it. It was a great team effort, and at the end, it’s the team that gets the win."
World Men
Slovakia vs. Switzerland
Team Switzerland dominated Team Slovakia and picked up their second win of the 2018 IIHF Ice Hockey World Championsip.
SVK SUI 06 MAY 2018
Gradually Slovakia came back into the game and Reto Berra finished the first period as the busier of the two goalies. With Diaz in the box at the intermission, the balance of play looked to be tilting.

Instead, though, the Swiss whipped up a storm at the start of the second period. It took just 22 seconds to double the lead with a short-handed goal as Scherwey stole the puck on the Slovak blue line. His move into enemy territory drew three opponents to him, opening up the ice. Mirco Muller collected the pass and enjoyed the freedom of the Royal Arena as he picked his spot on the top shelf to beat Ciliak.

Slovak defenceman Dominik Granak felt that this was one of the key moments in the game. "That was something that hurt us quite a lot," he said. "We were supposed to get our first goal, and instead they scored their second. Maybe it was not the only key moment, but it was one of the most important.

"Switzerland was skating much better than us, especially in the first period. They owned the game. Then after they got leading, we couldn’t get the momentum back and we didn’t create enough chances. So I think they deserved to win."

Switzerland thought it had extended its lead soon after turning the screws on a delayed penalty. Diaz ultimately got the puck in the net once again, but his effort was ruled out after he swiped the disc out from under Ciliak’s glove. Slovakia’s problems continued, with 50 seconds of 5-on-3 hockey to kill off. A meaty pad save denied Gregory Hofmann as the team got back to four men and the Swiss power play ran out of steam.

The Slovaks sensed something of a reprieve and began to rebuild their offensive game. Once again, though, Berra was on form to pluck a Ladislav Nagy effort from the air before taking another shot to the chest from the veteran forward. Tomas Jurco got to the slot and beat Berra with a redirect that he failed to keep on target. The 31-year-old ex-Anaheim goalie was preferred to Leonardo Genoni tonight, making his first championship appearance since 2016 and finishing with 24 saves for his shut-out.

Muller paid tribute to the team's defensive effort in front of the goalie. "We kept it simple. I think we tried to keep that in our game plan," he said. "We put a lot of pressure on their D and made it tough for them to break out. At the same time, with the chances they got, Reto did a great job in net."

At 0-2, Slovakia began the third at a high tempo. However, there were early indicators that it was not to be the Slovaks' night. Michal Kristof harried the Swiss into an error behind the net but his instant pass back to the slot coincided with a line change and the puck floated harmlessly away from goal. Then Martin Bakos played Marcel Hascak in behind the Swiss defence only to see the forward stumble as he reached the puck. Another chance went begging when Patrik Svitana picked out David Bondra, but the son of the great Peter Bondra screwed his shot into the side netting. Switzerland closed out the game to move to five points, one behind Russia and Sweden.
Slovakia vs. Switzerland 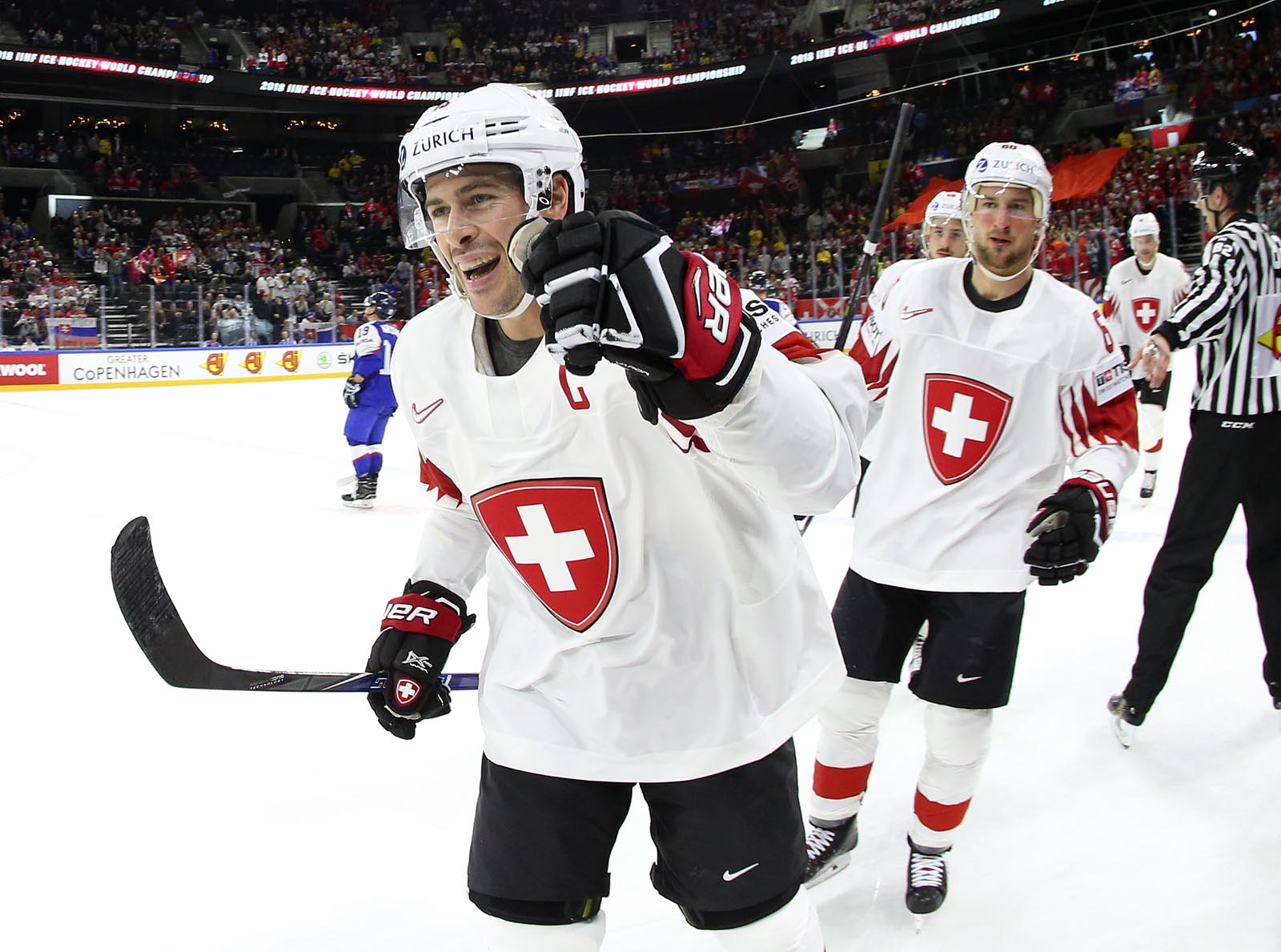 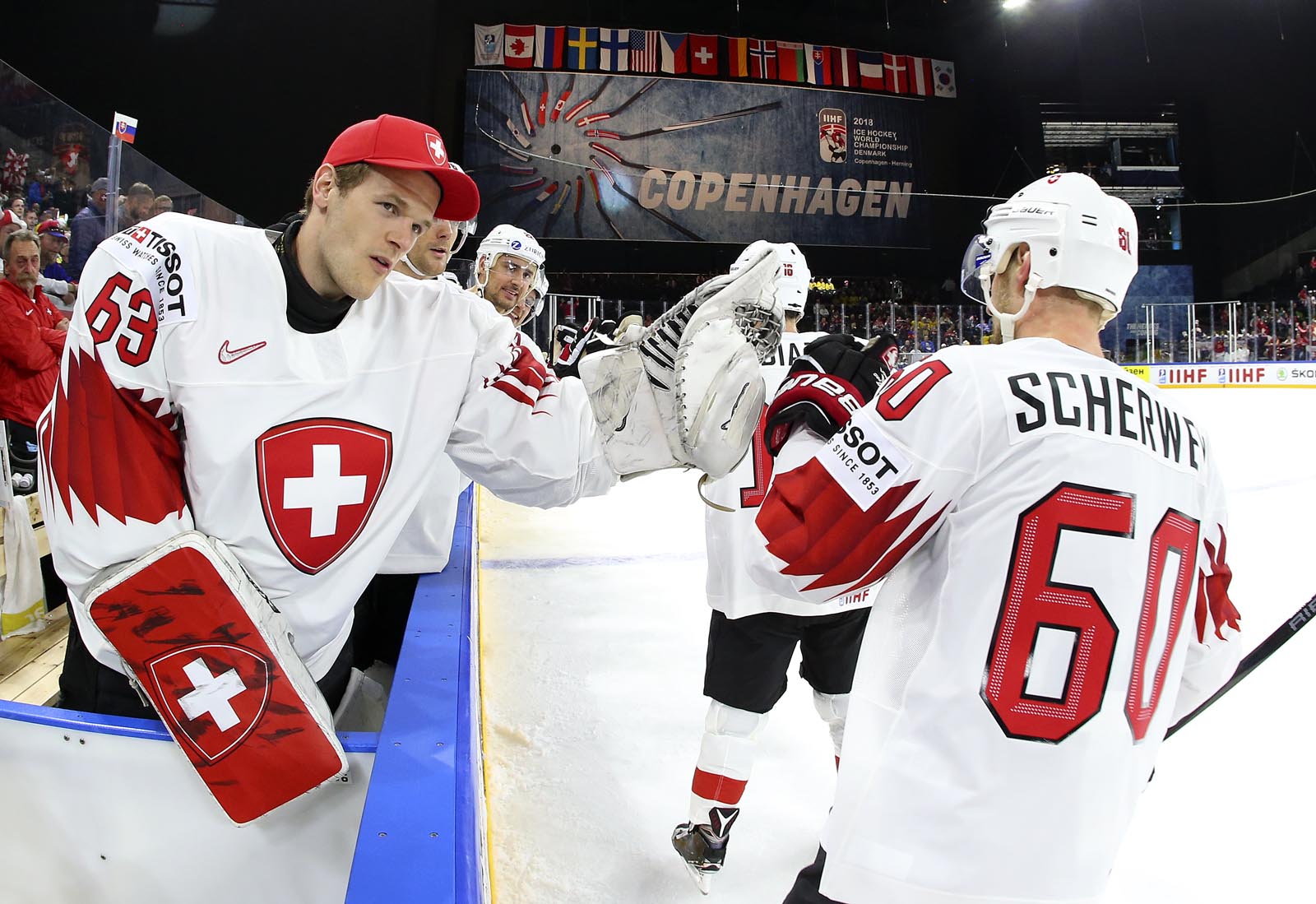 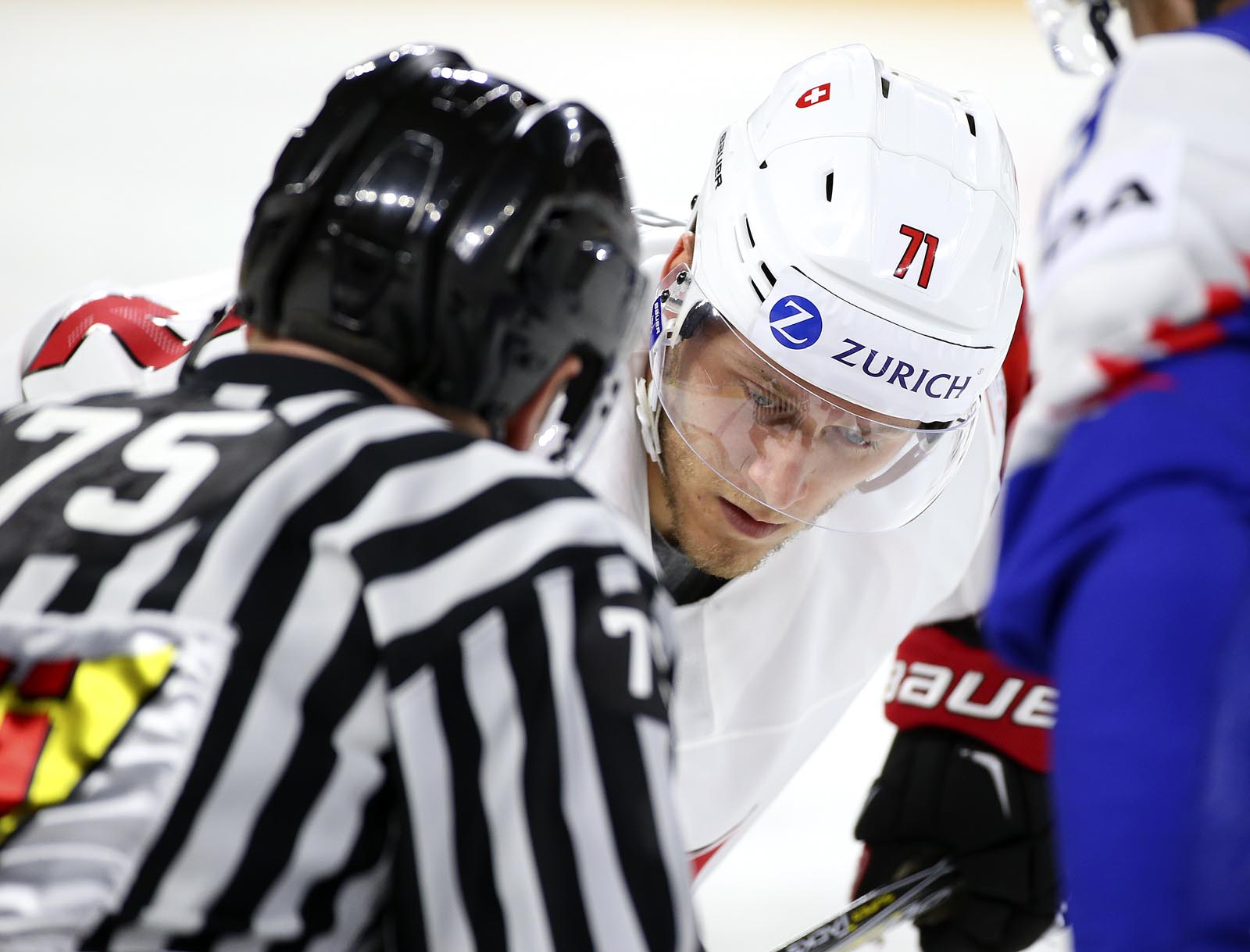 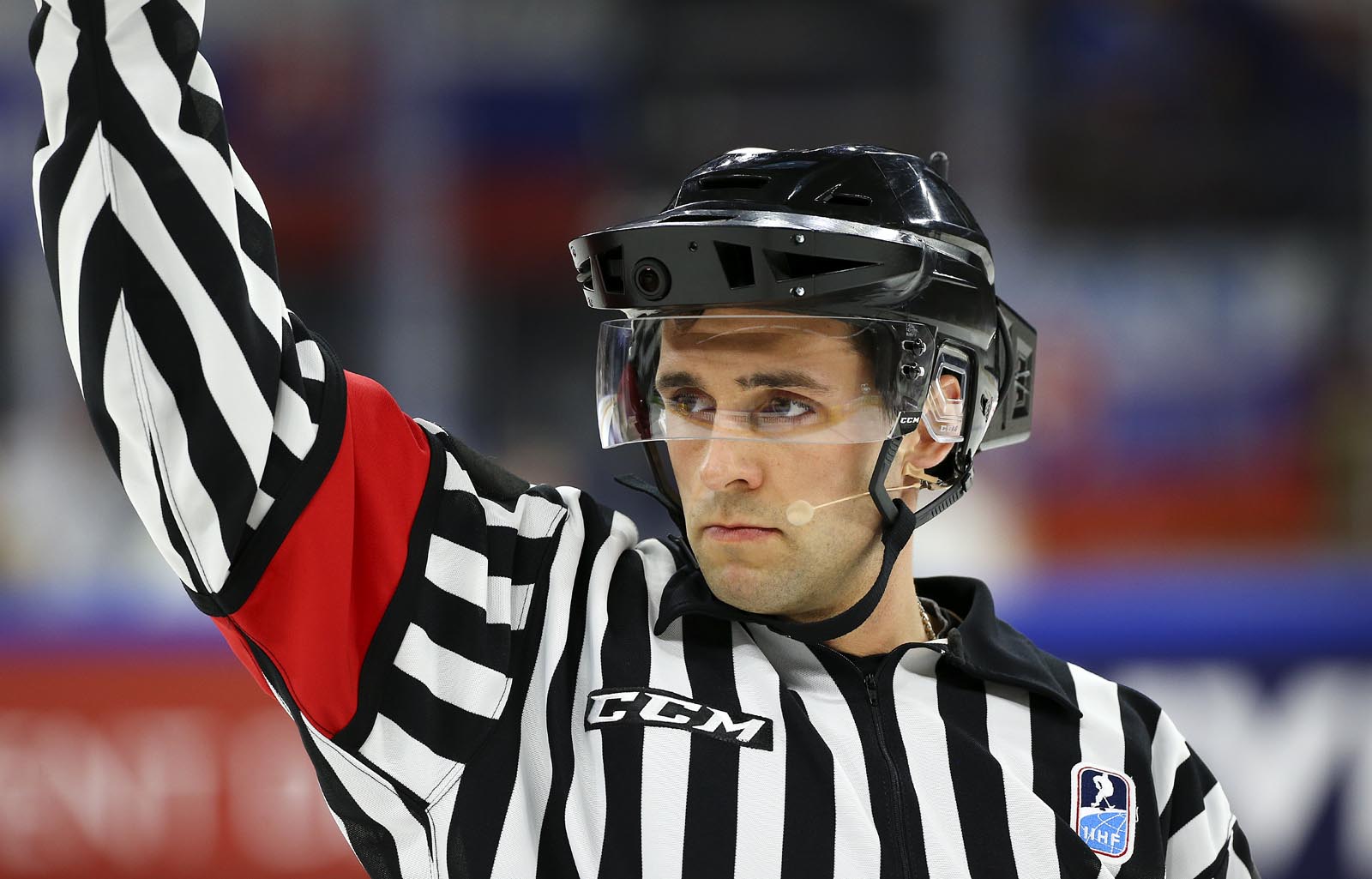 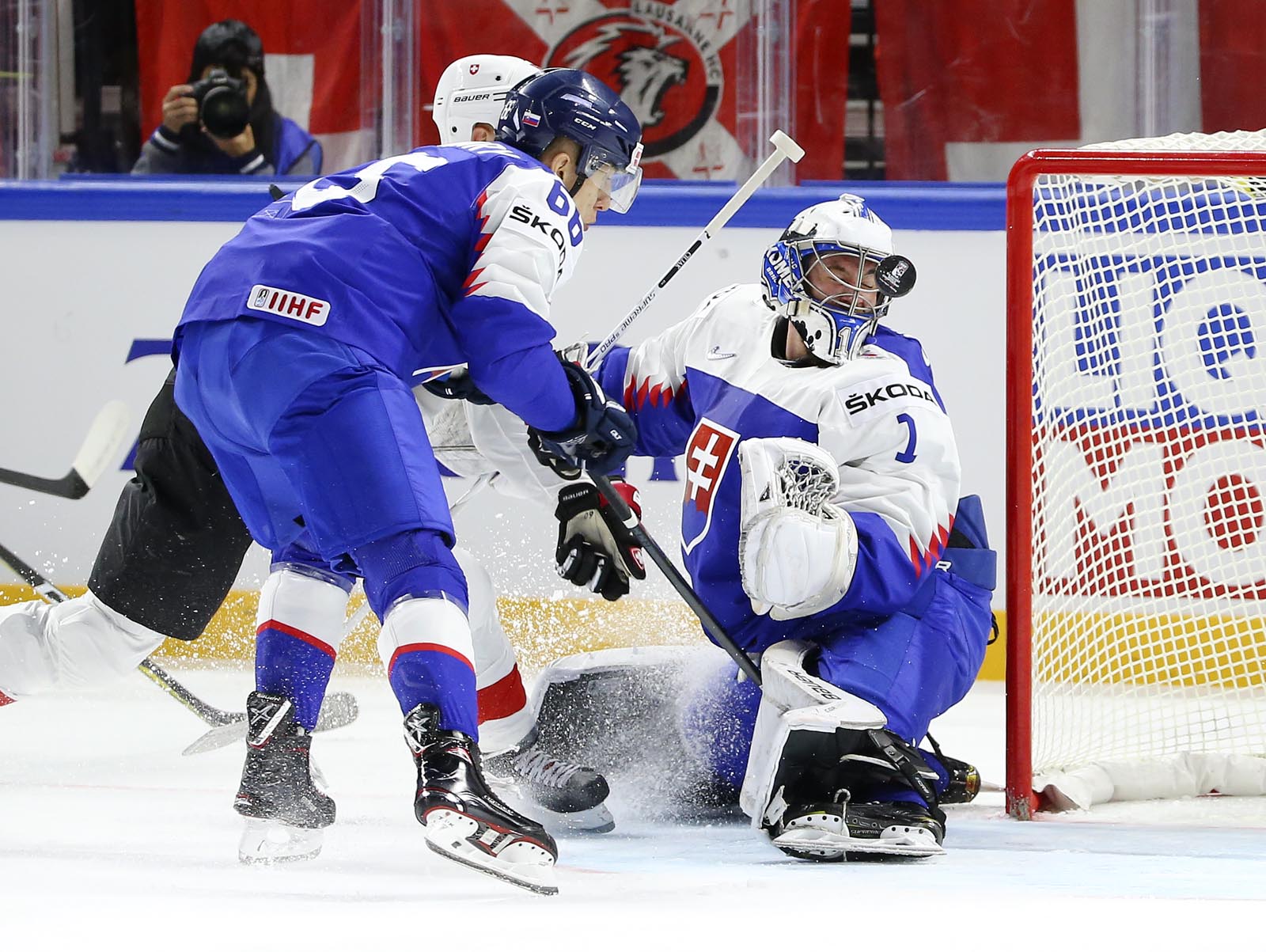 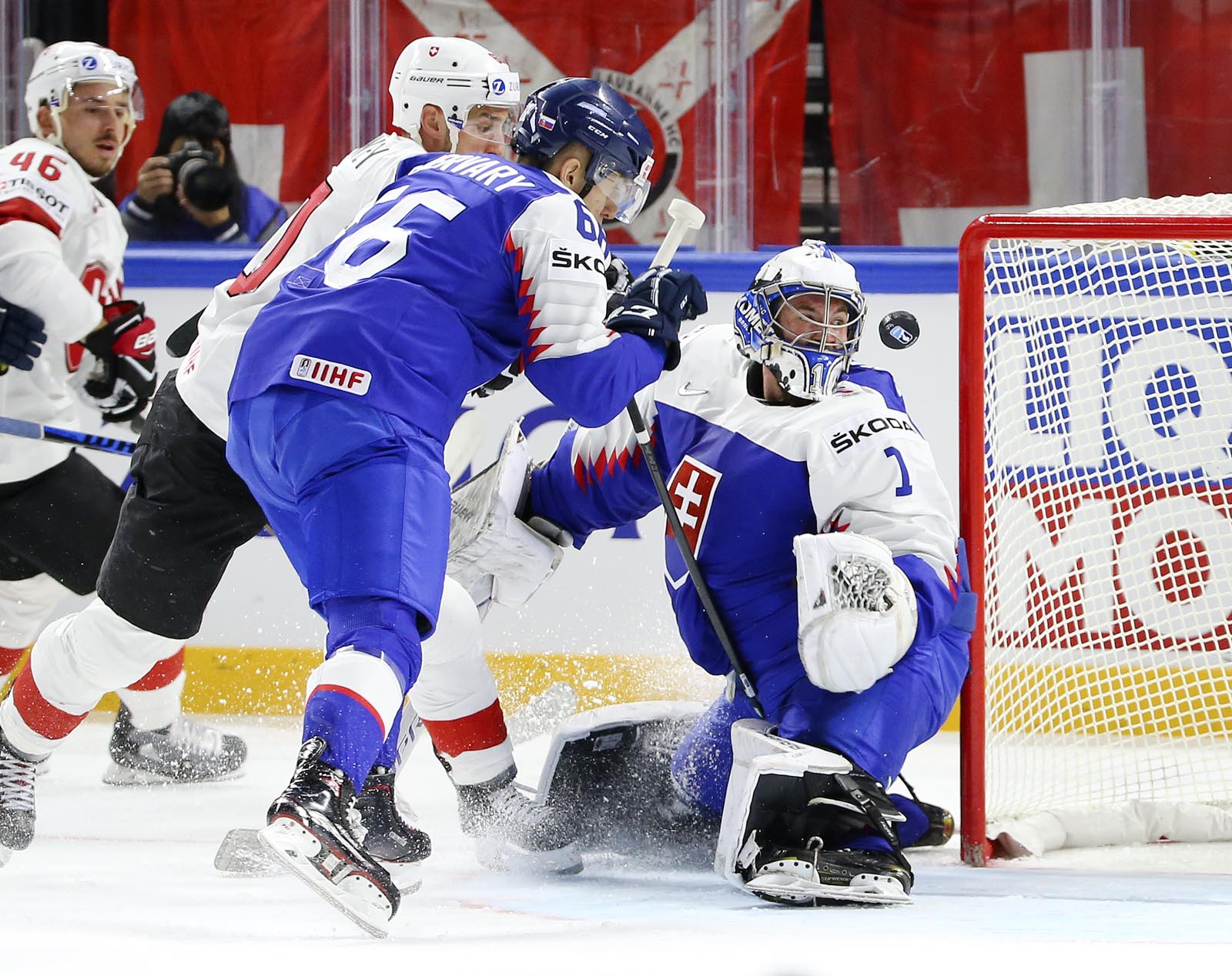 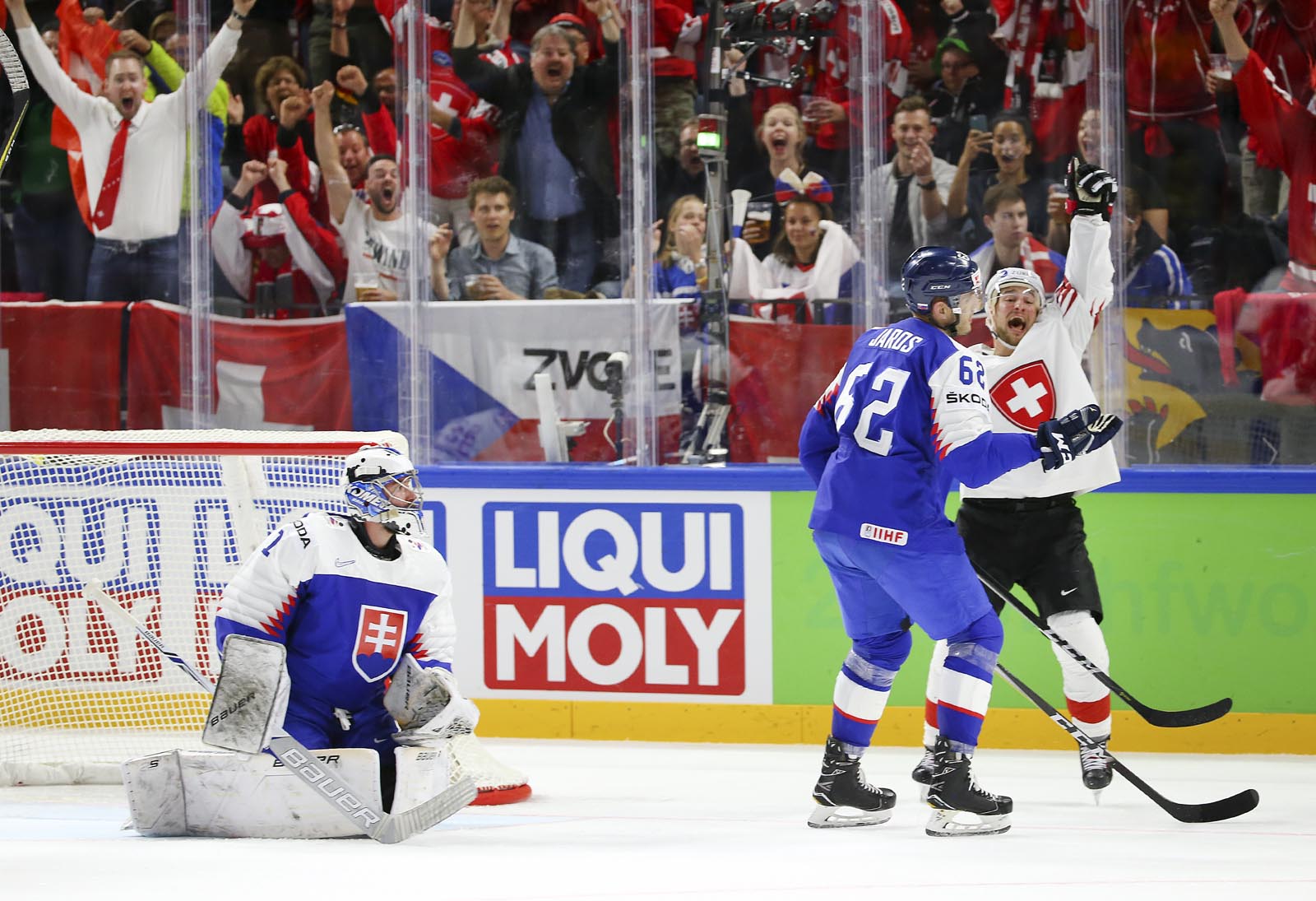 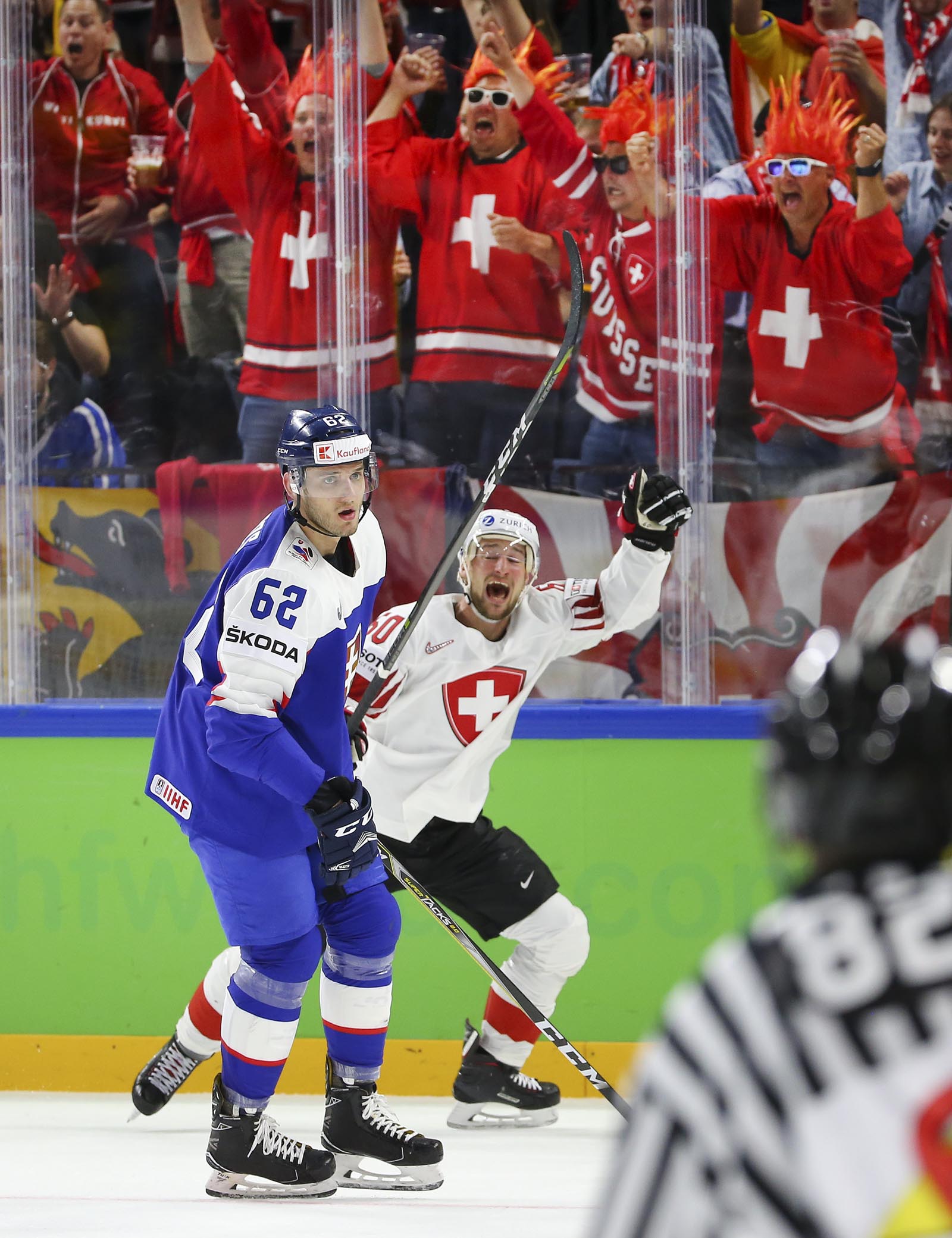 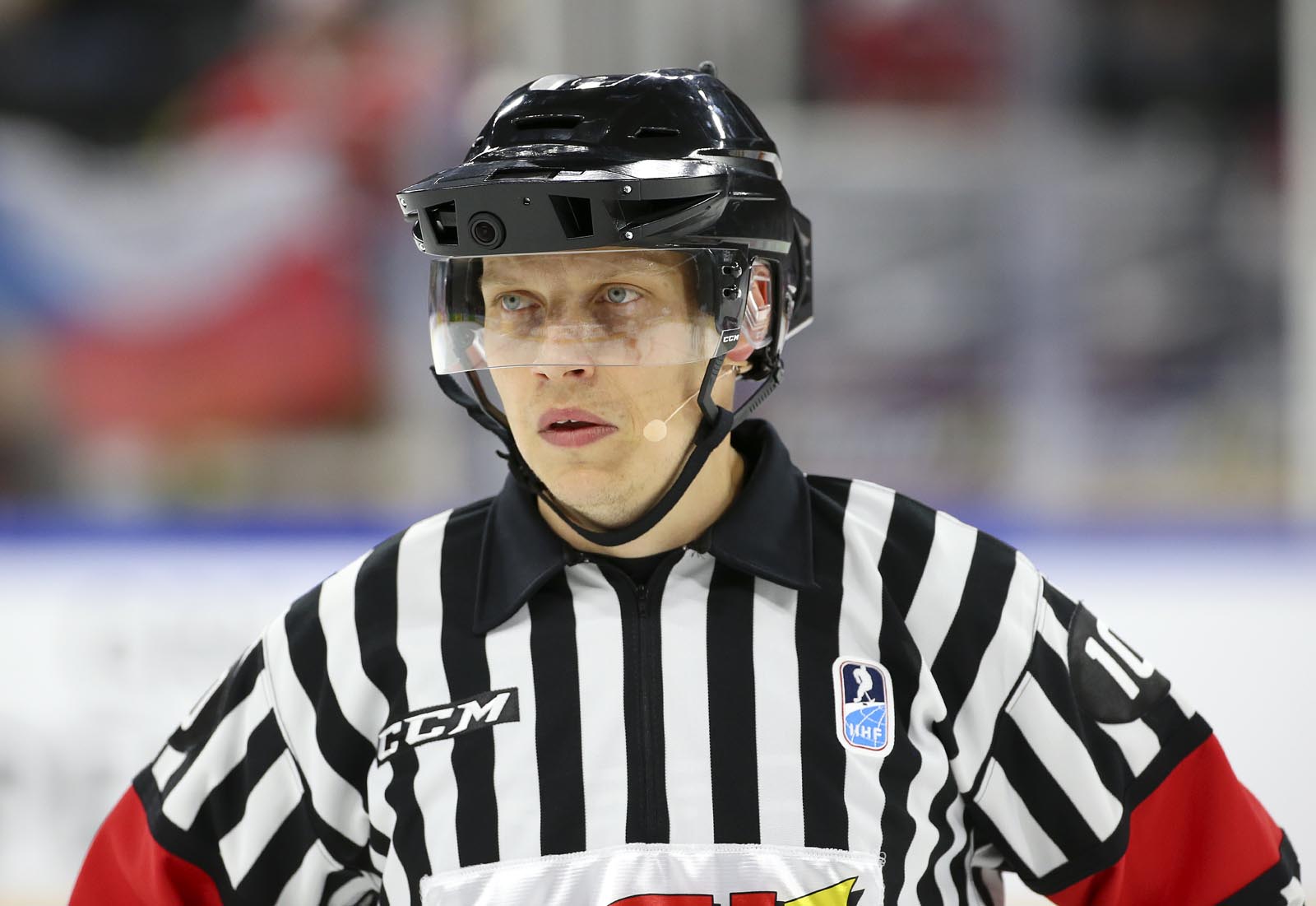 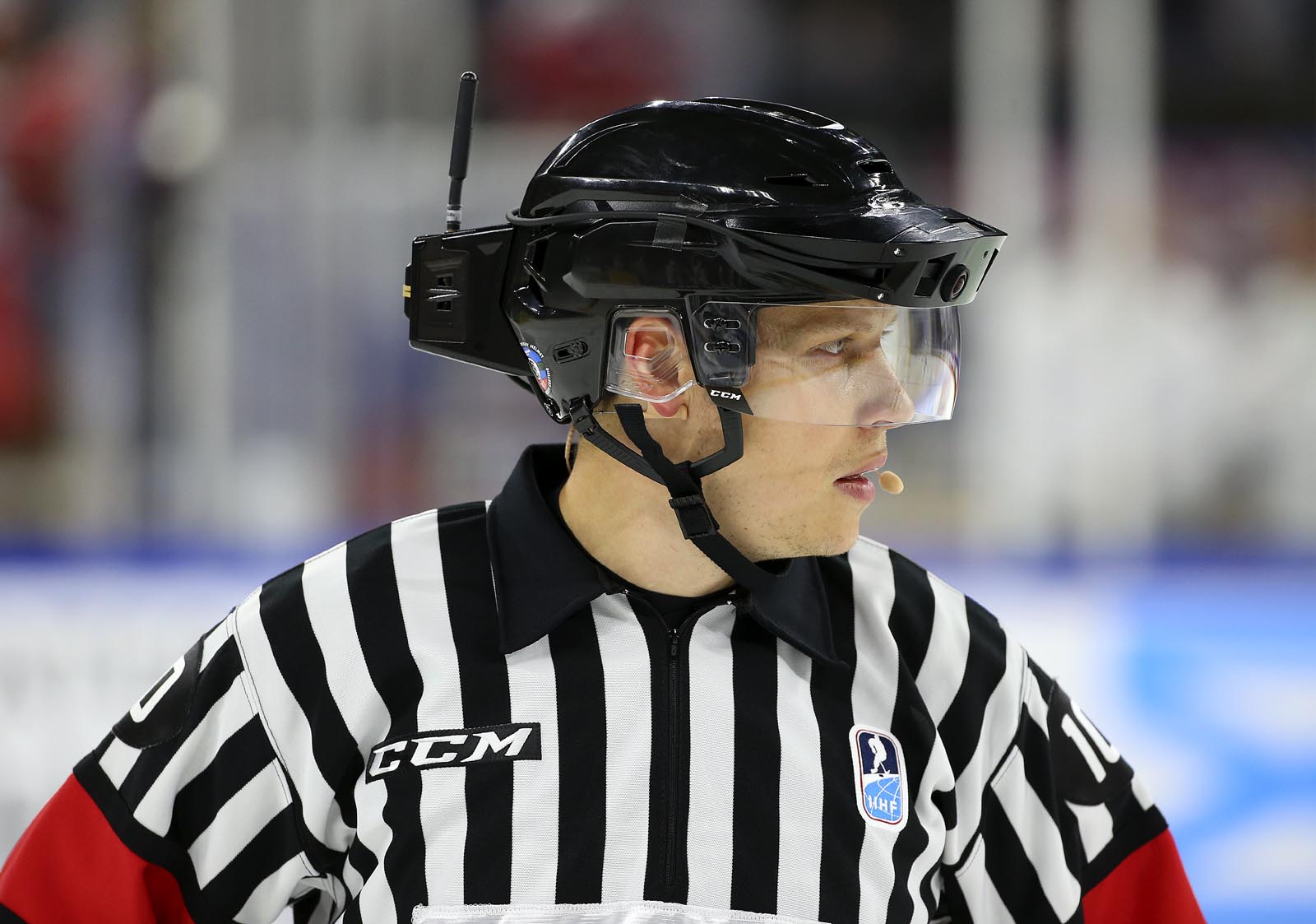 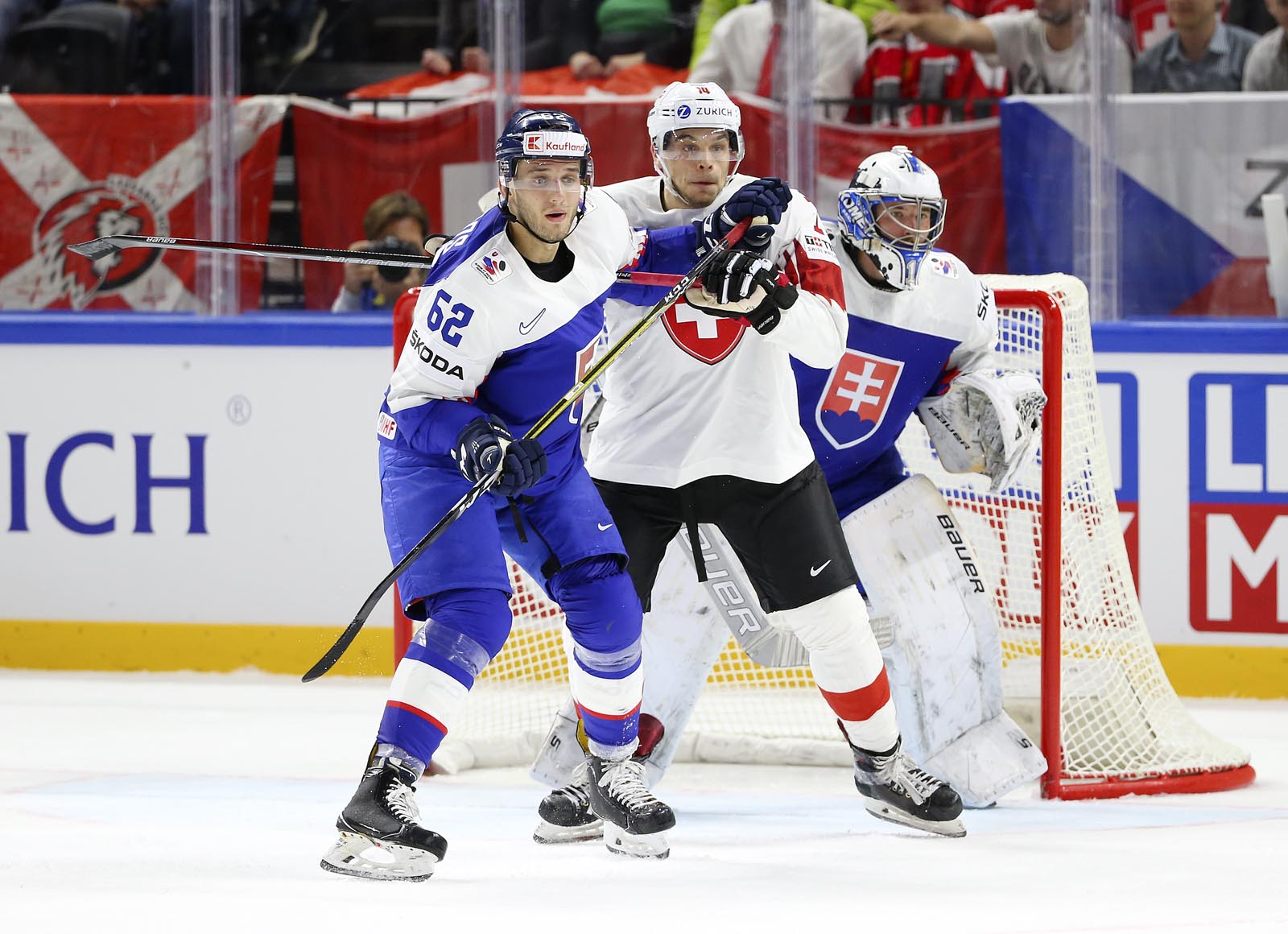 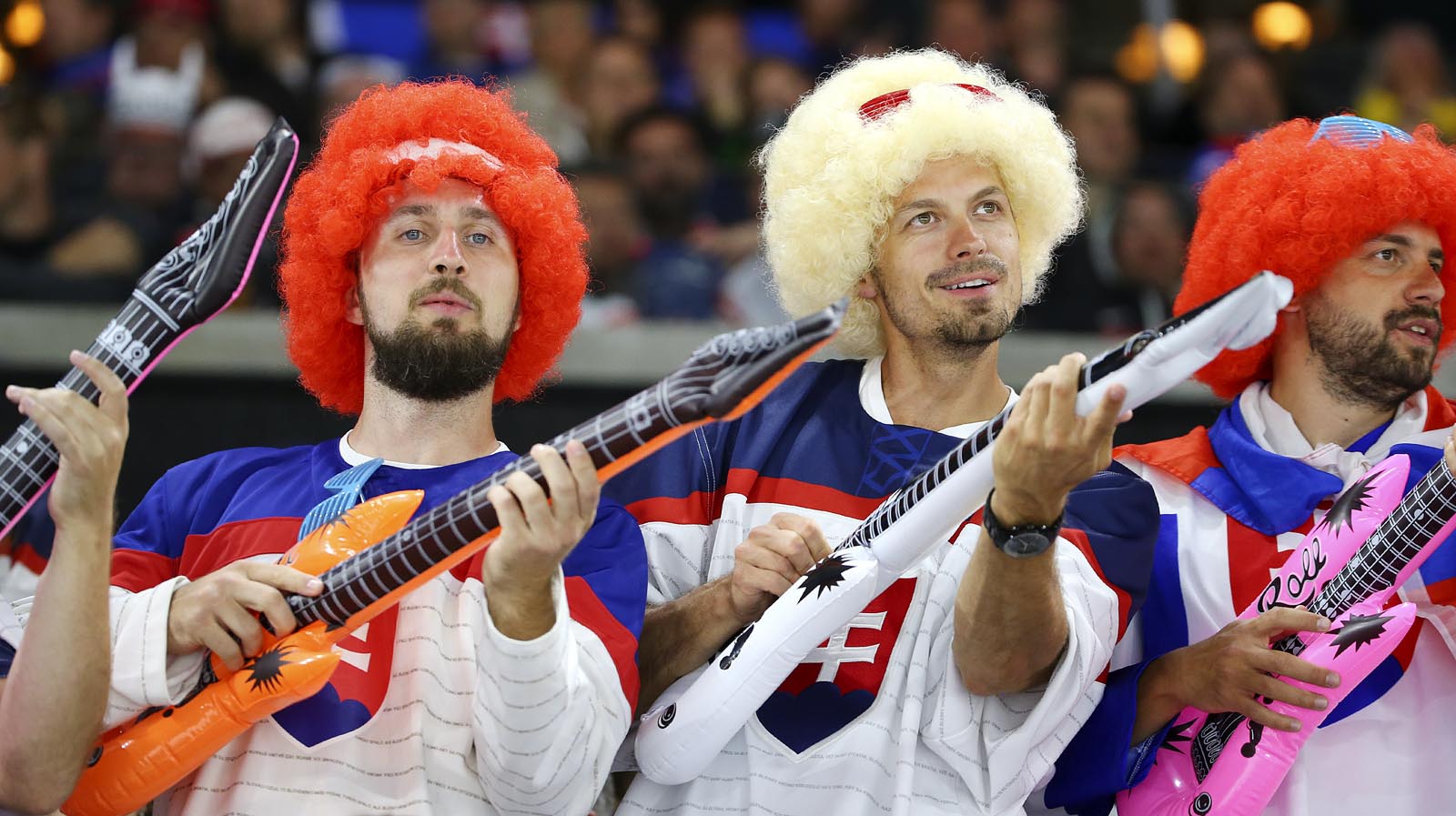 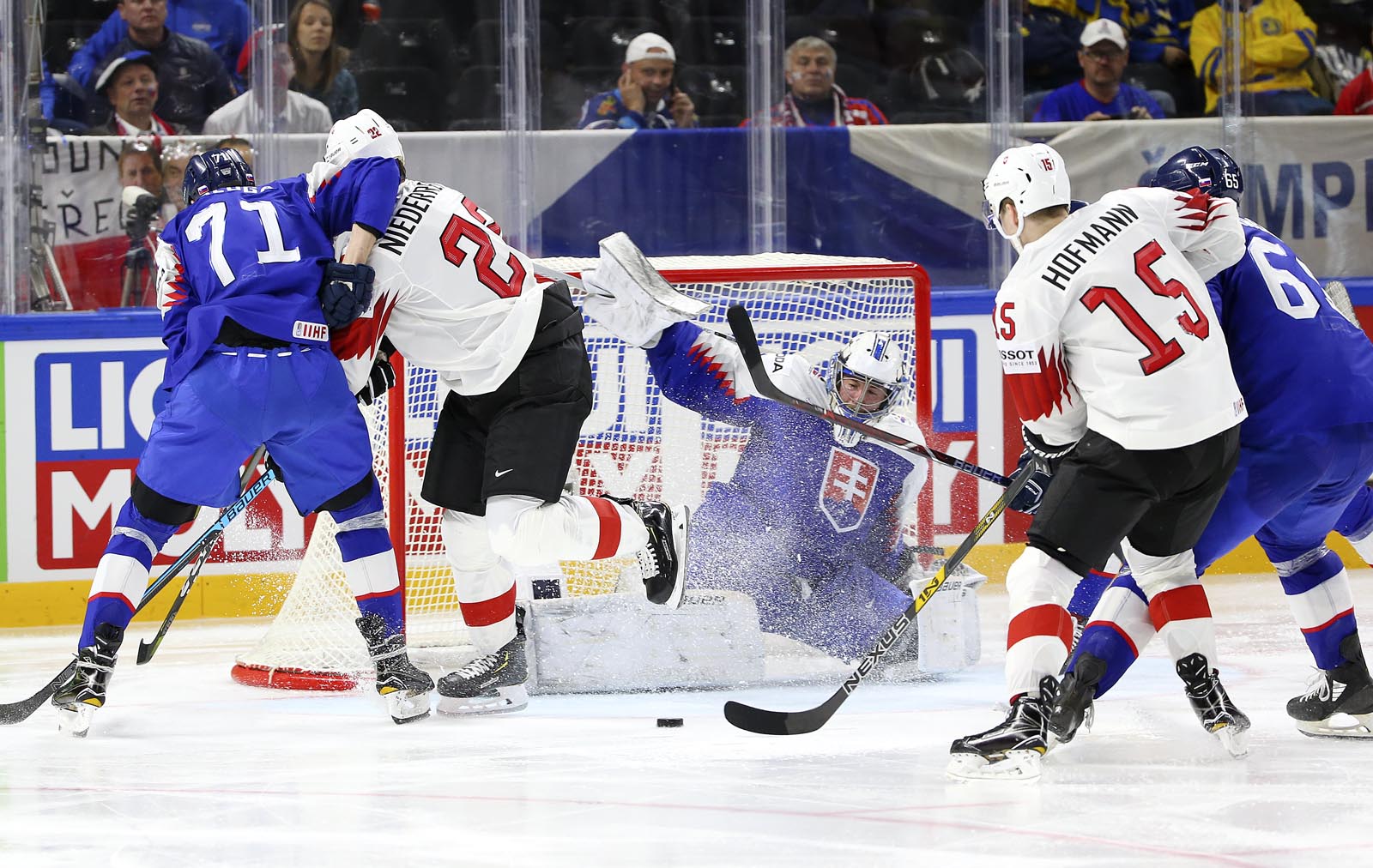 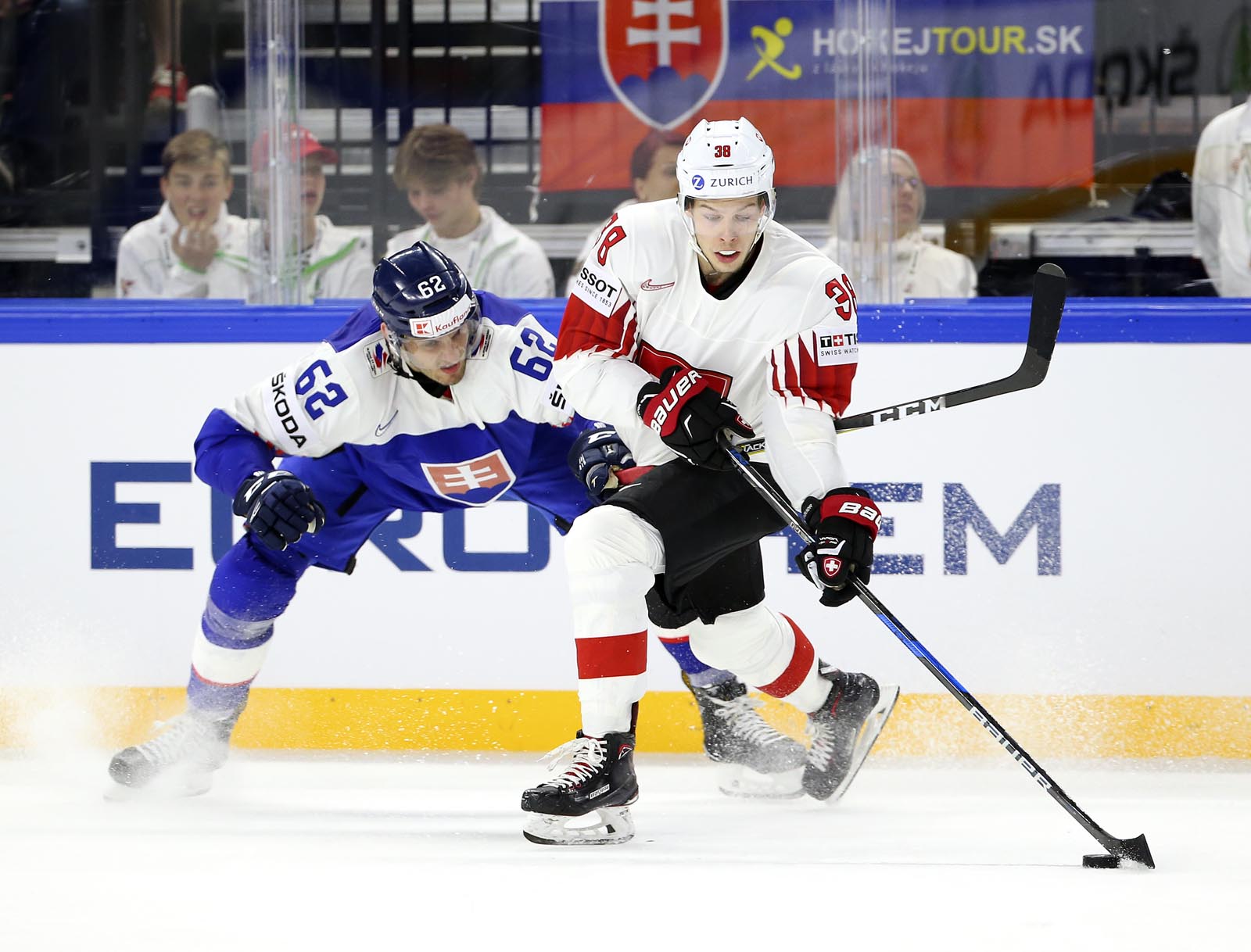 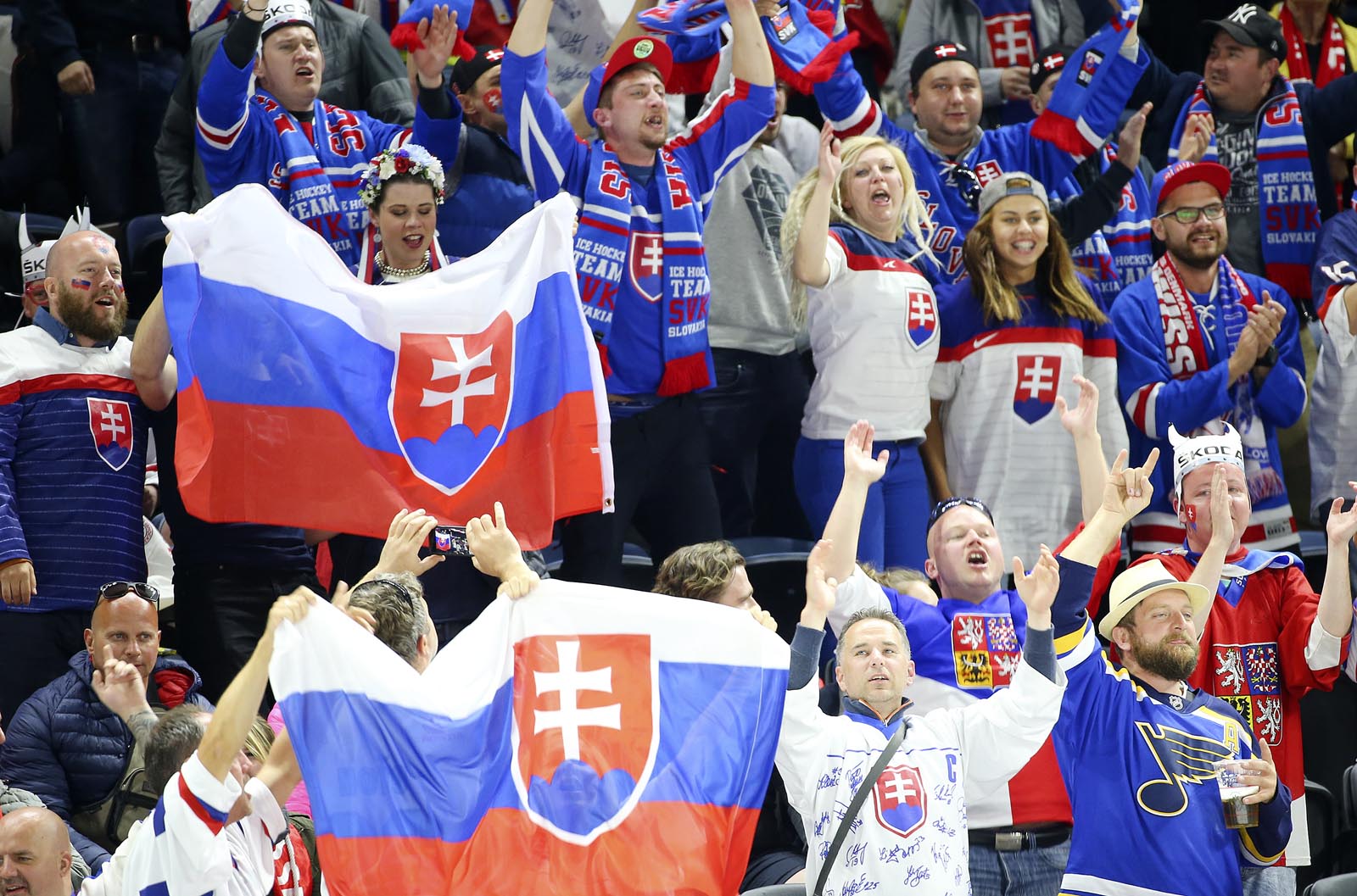 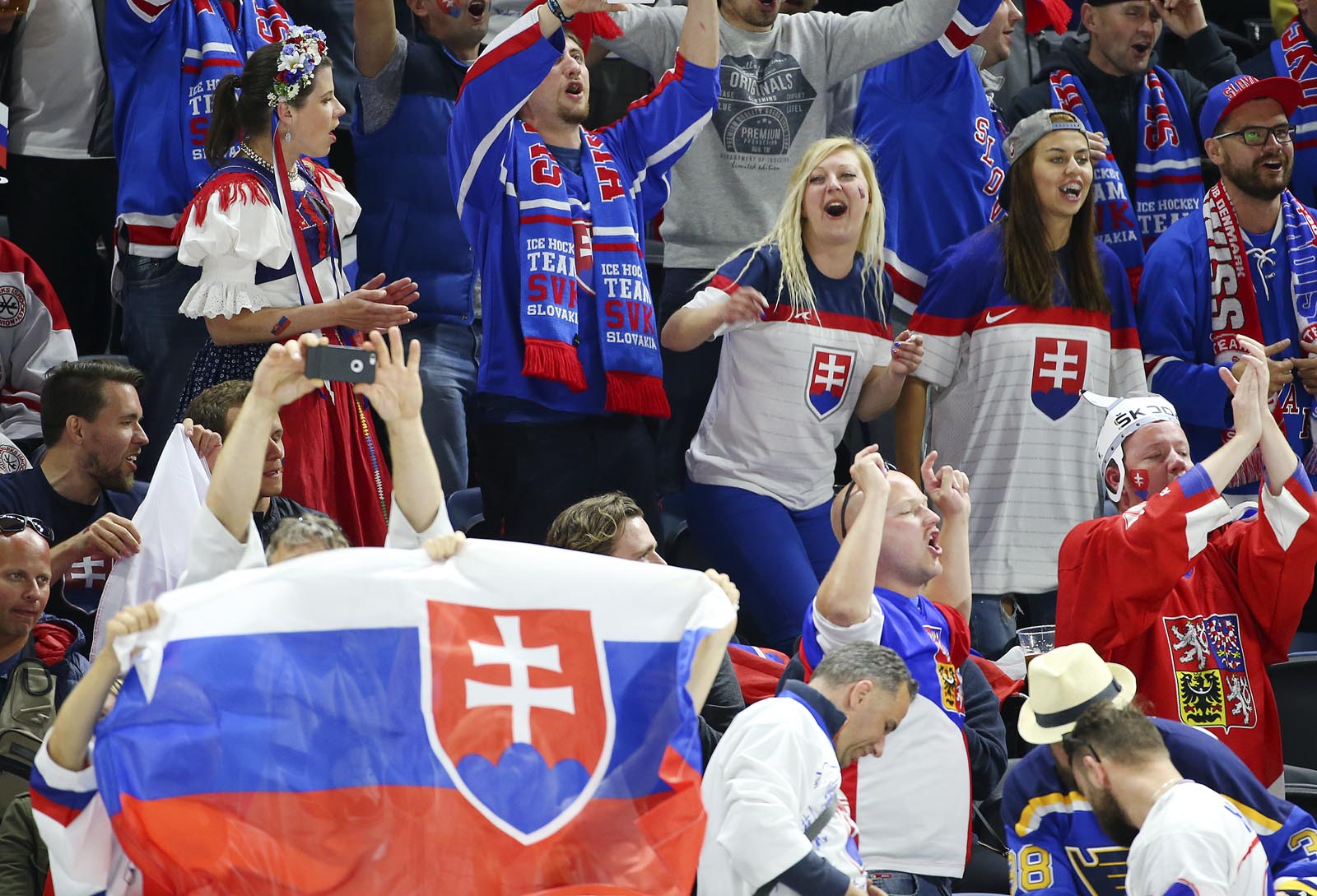 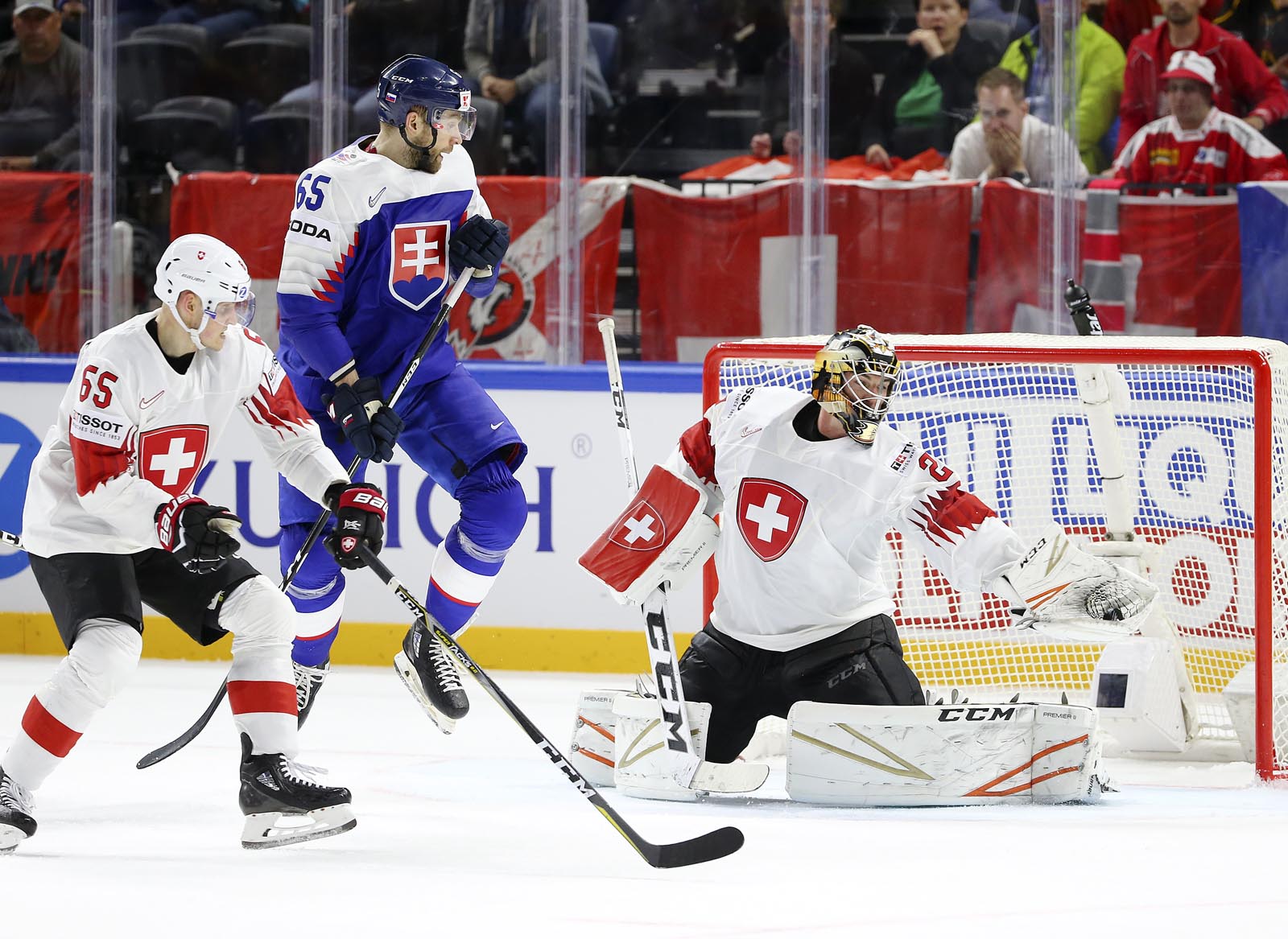 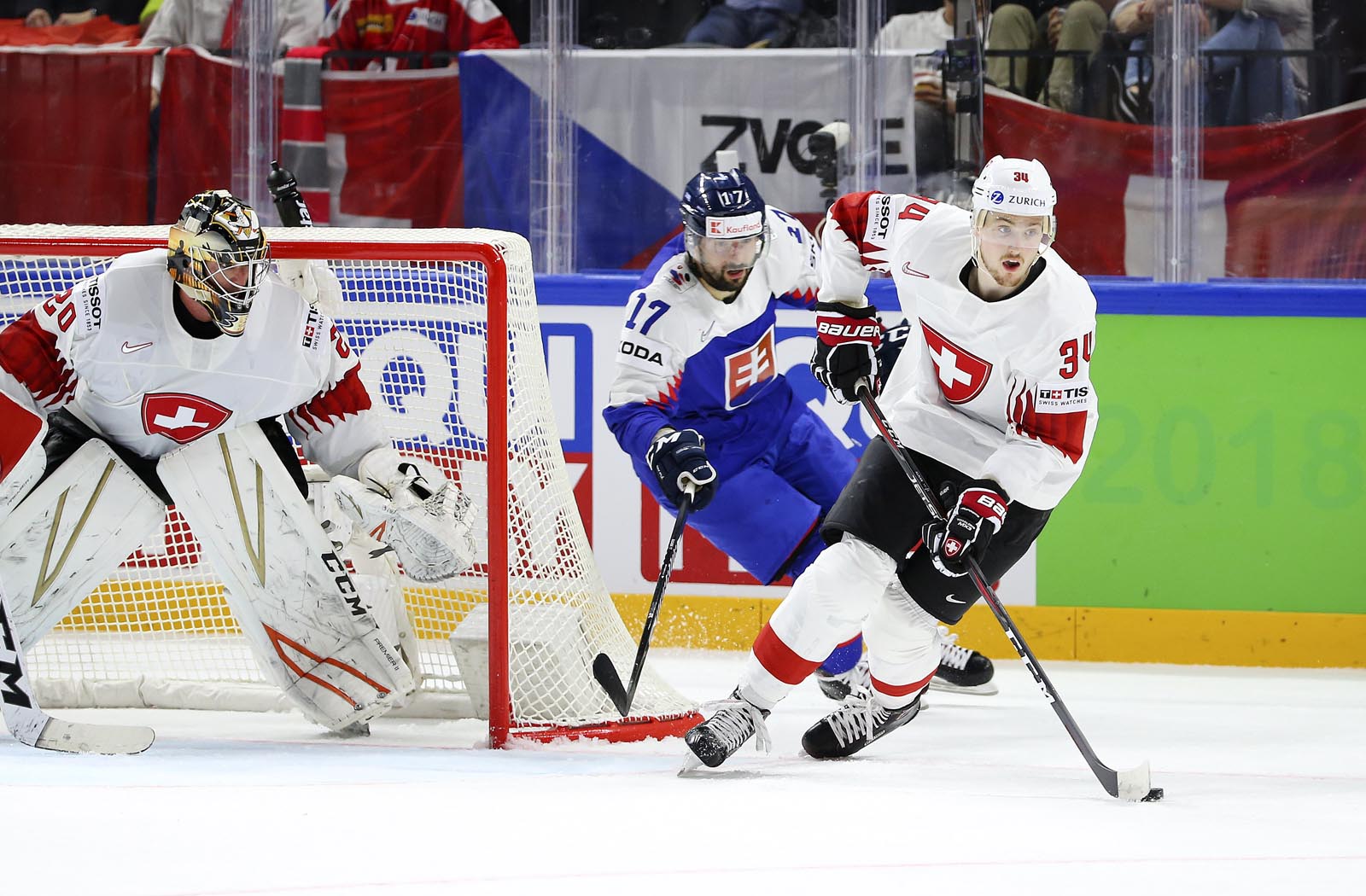 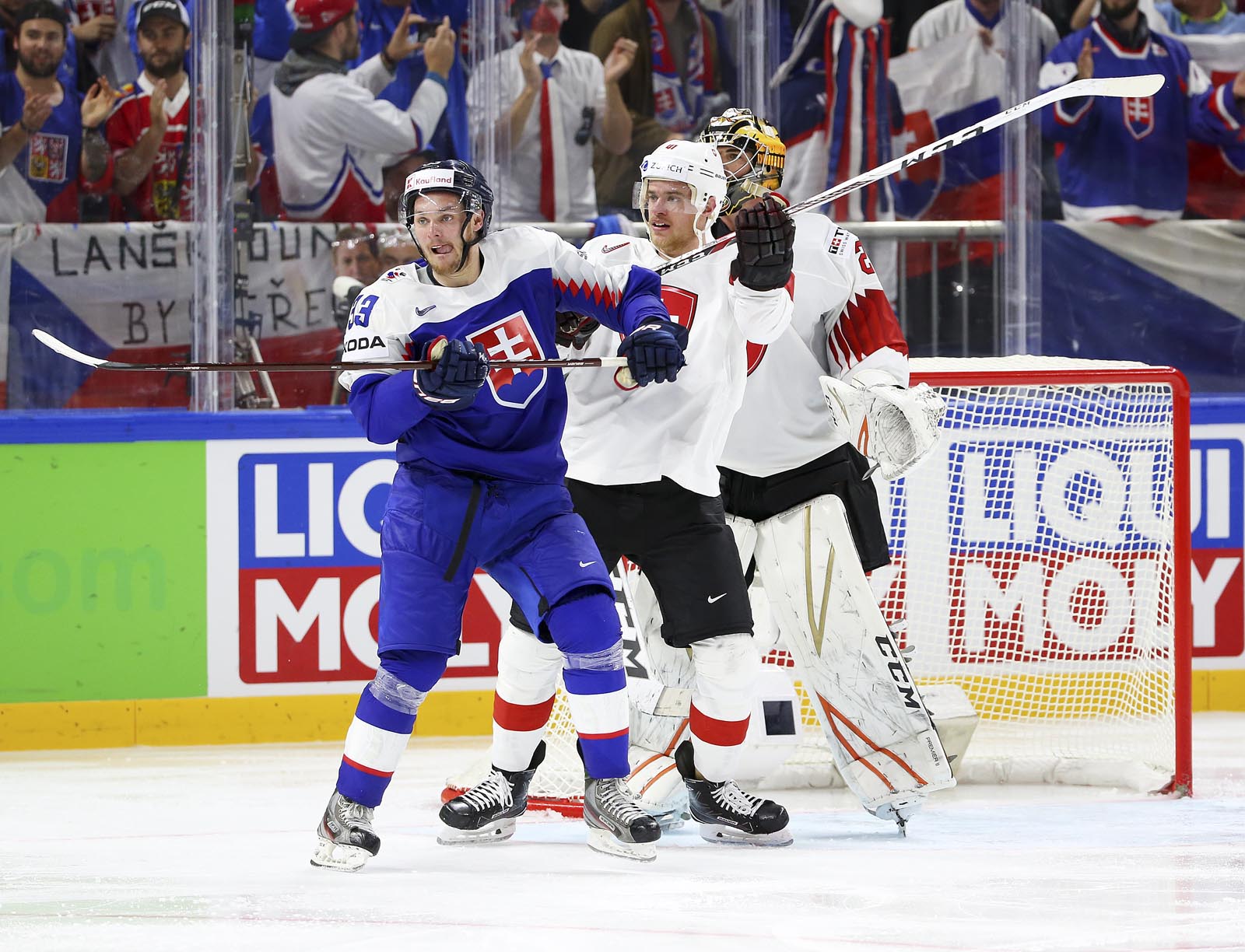 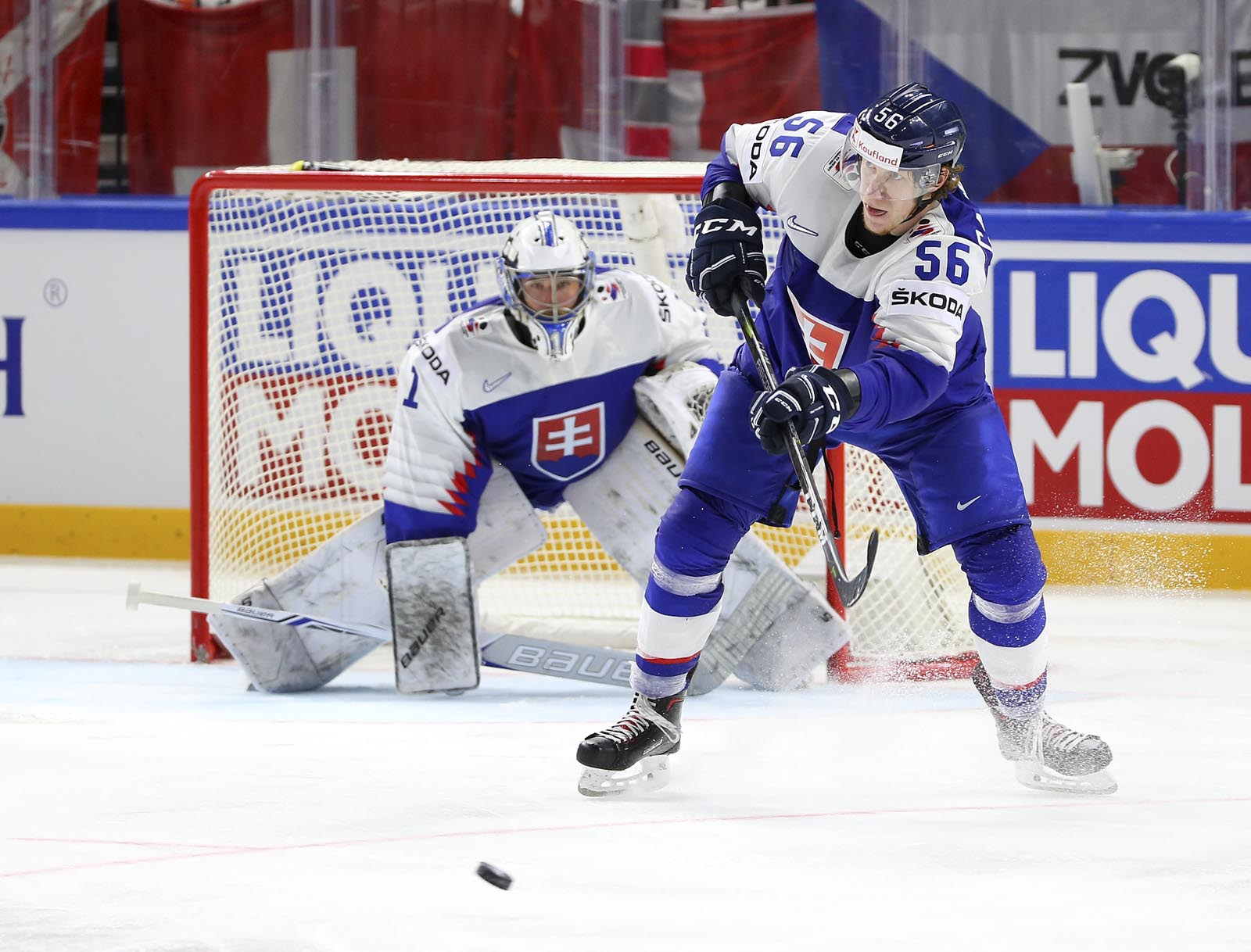 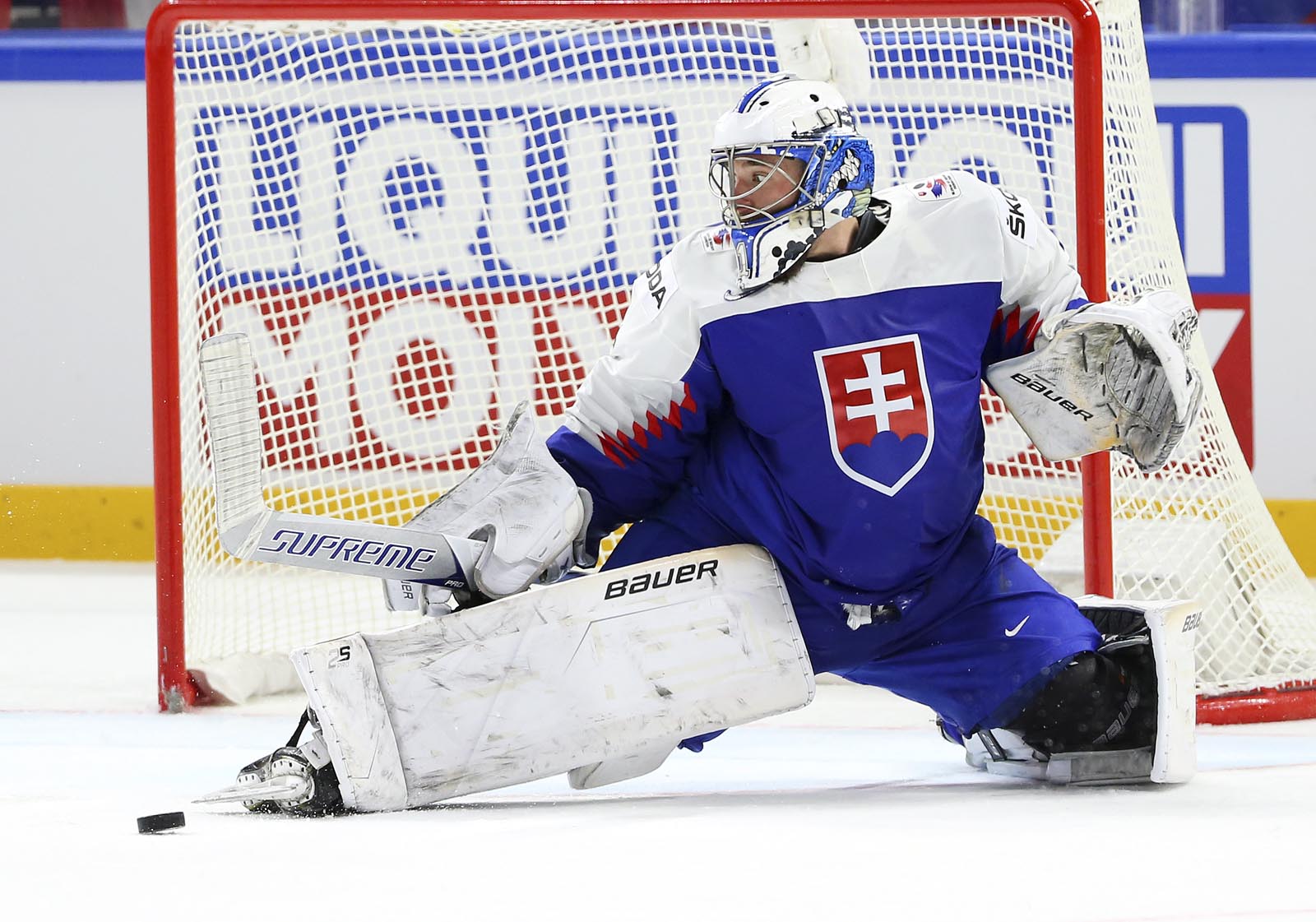 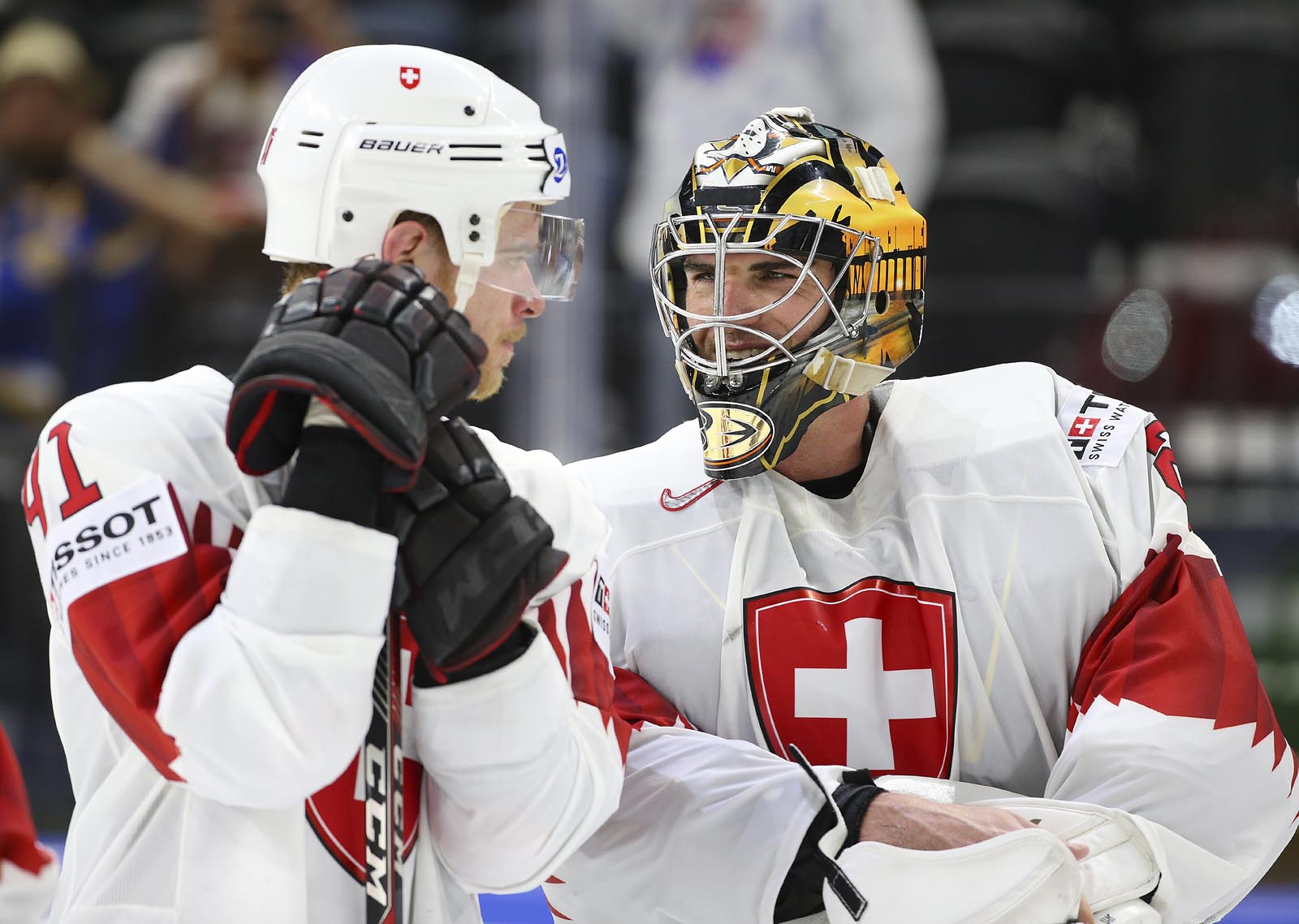 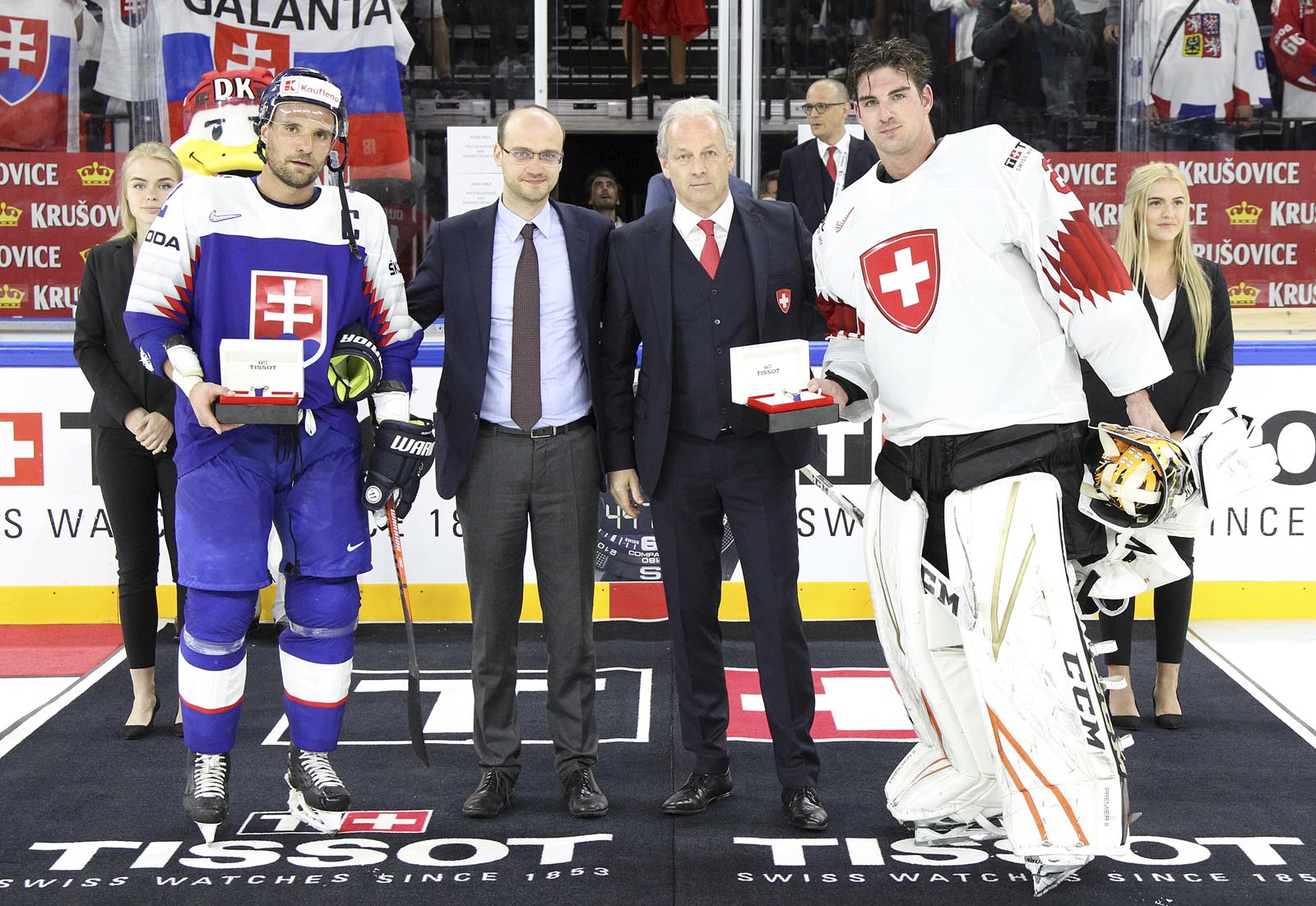 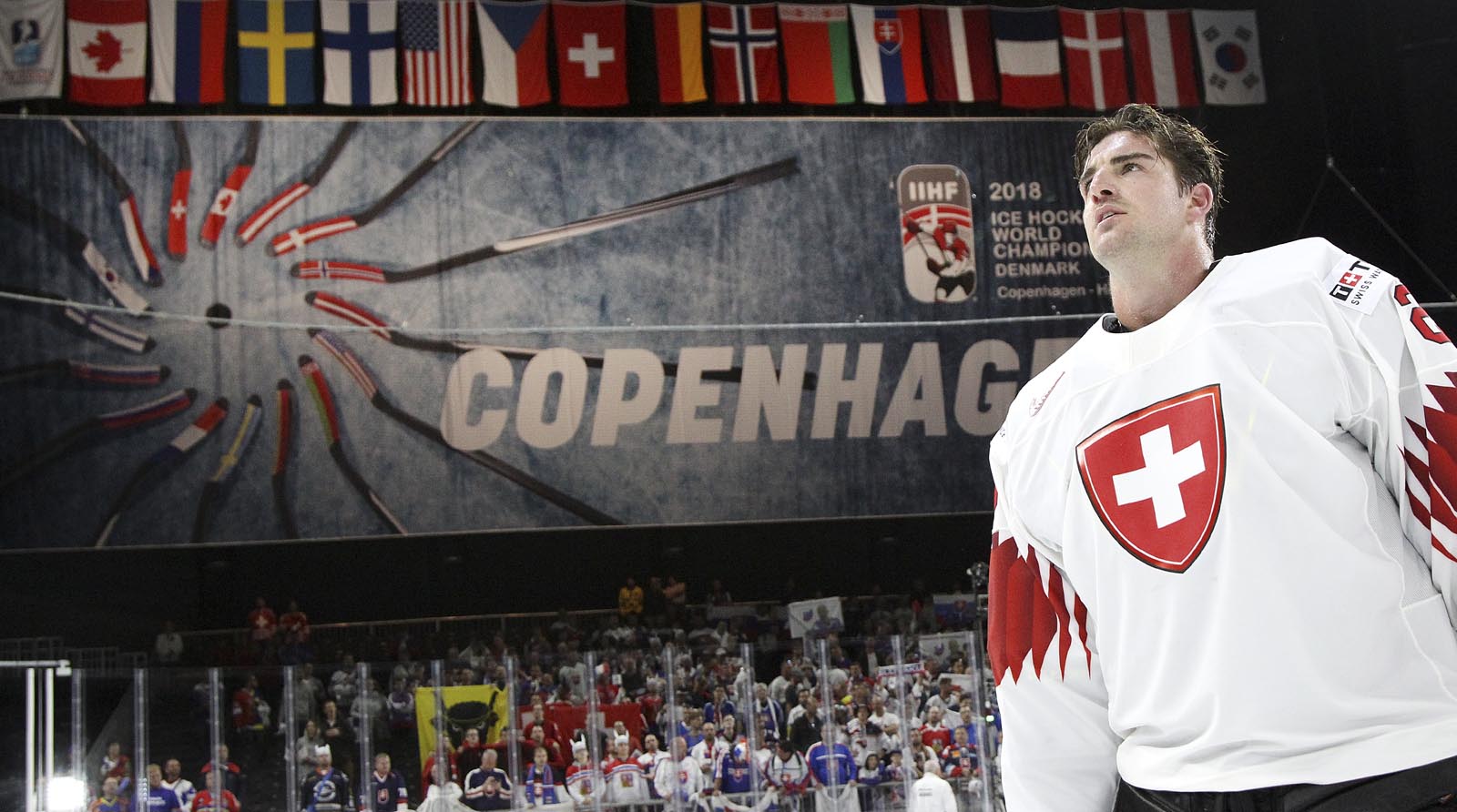 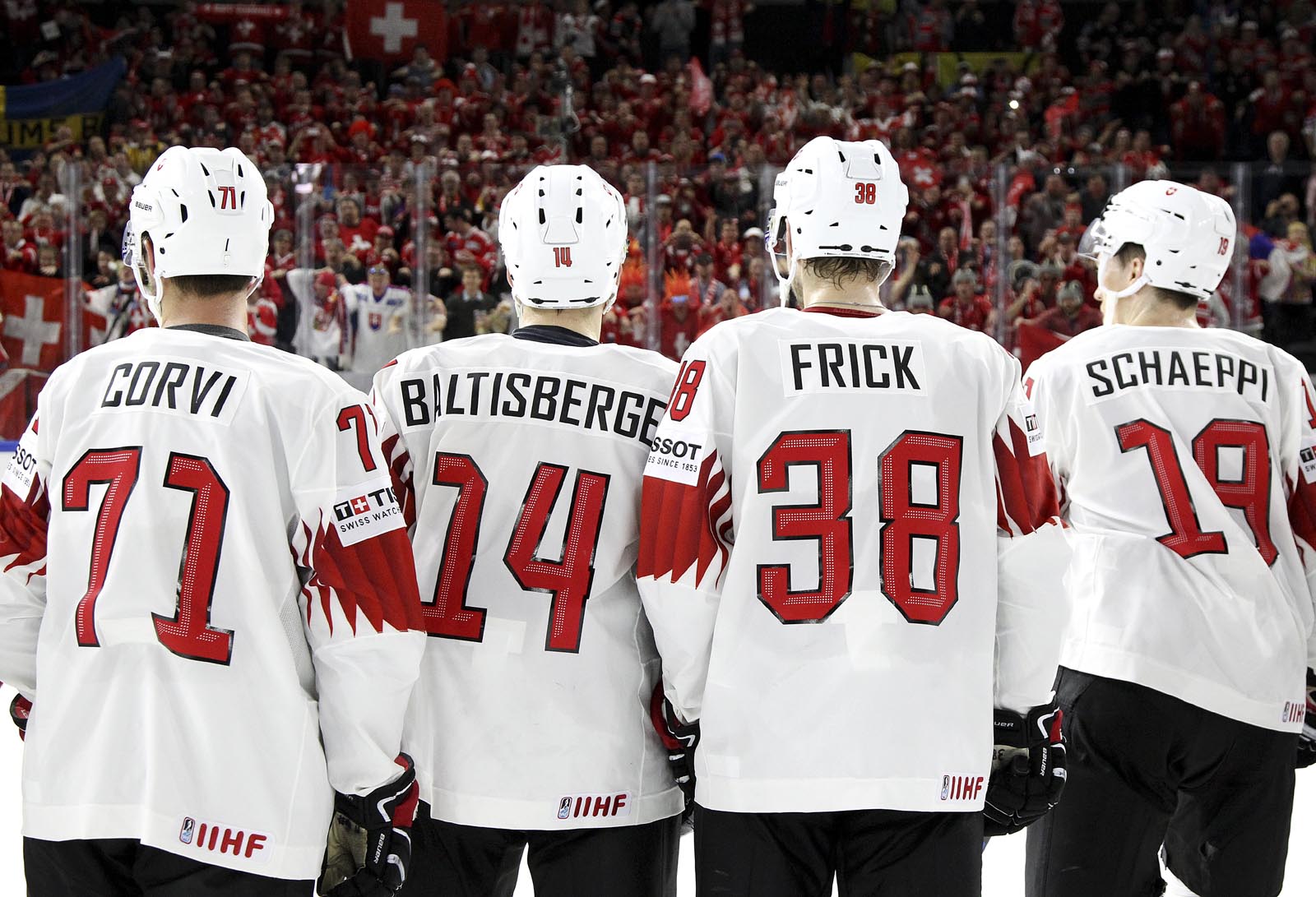 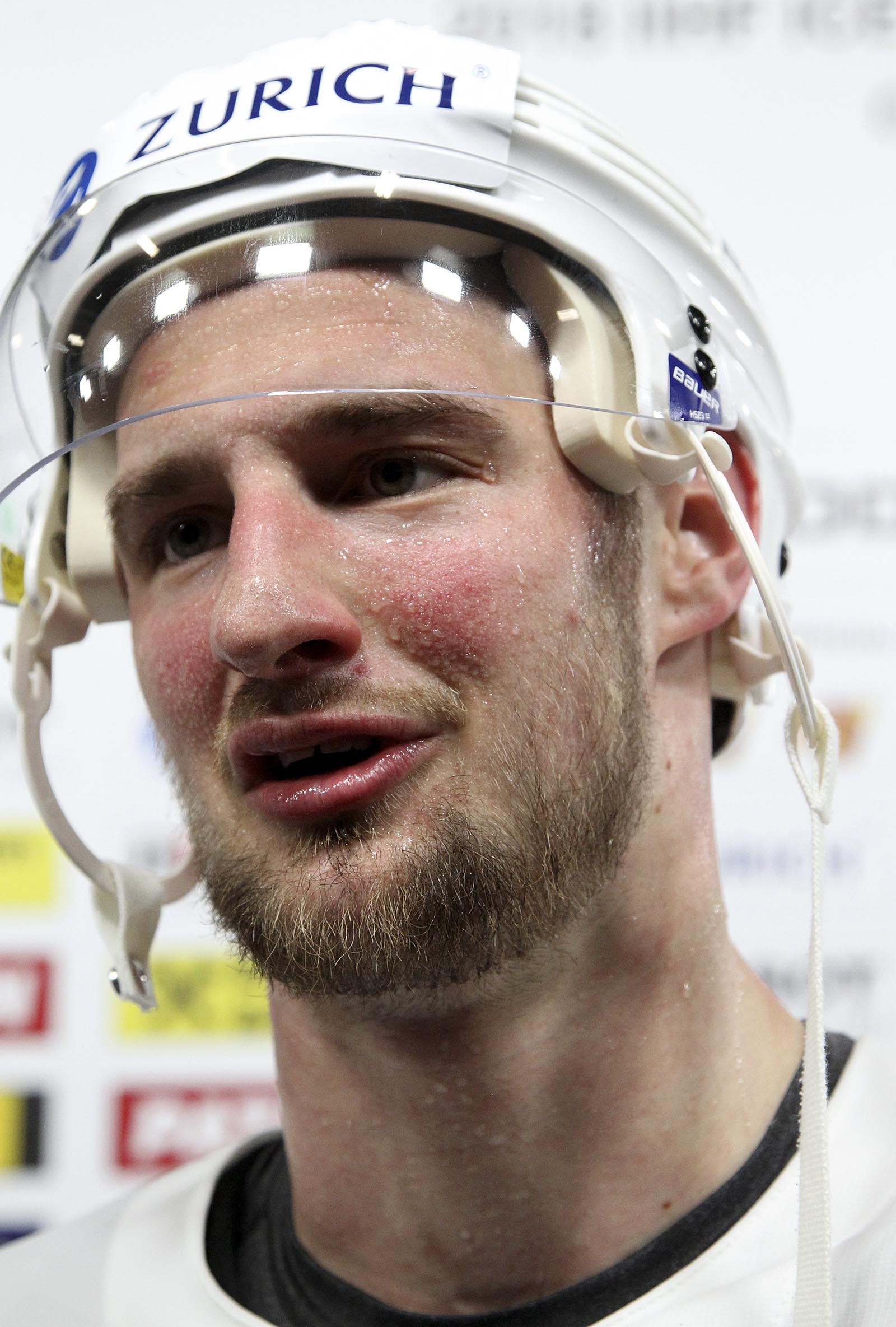 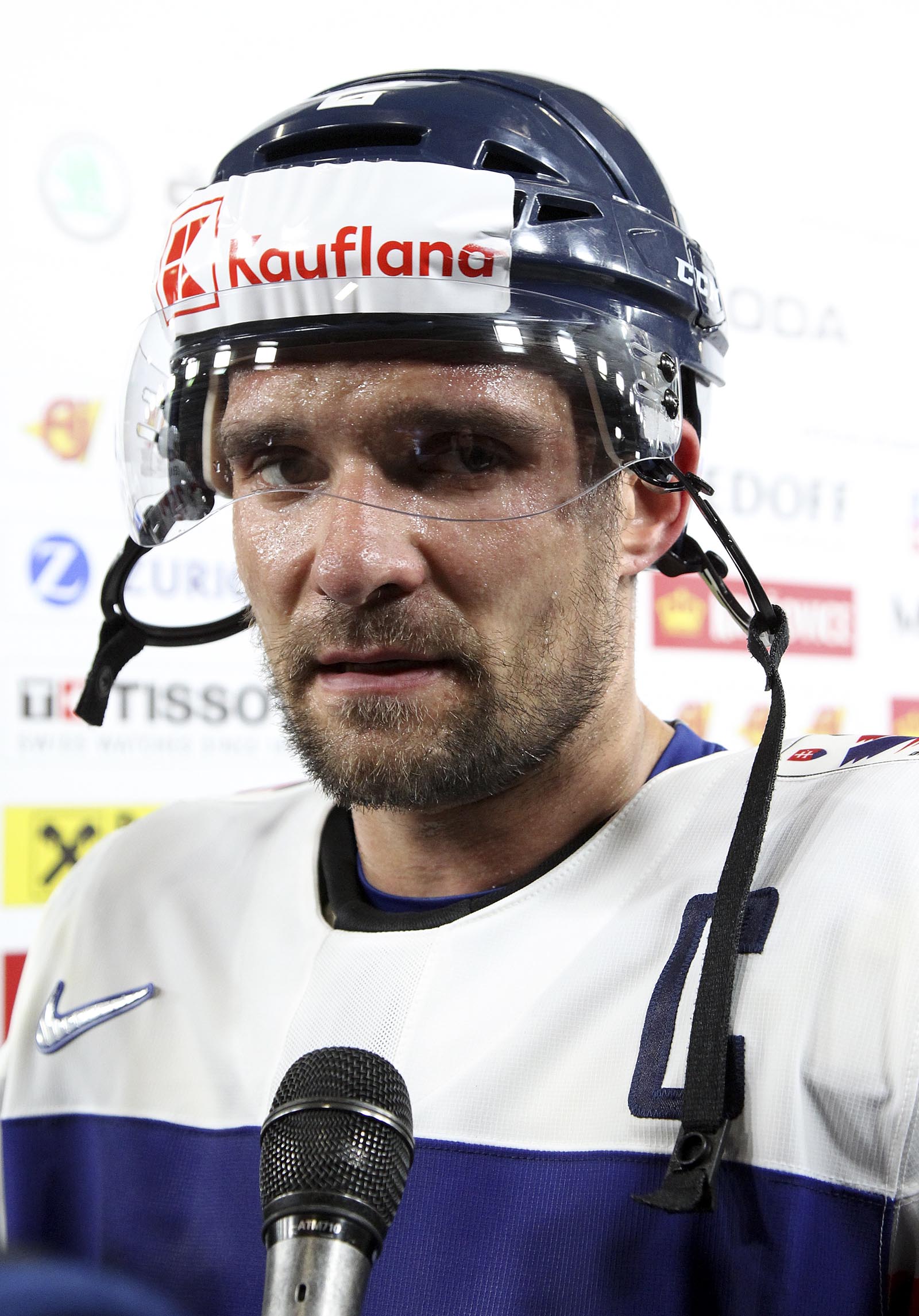