The Slovaks revive
Slovakia's Marek Daloga celebrates a goal against Austria at the 2018 IIHF Ice Hockey World Championship in Copenhagen.
photo: Andre Ringuette / HHOF-IIHF Images
share
Slovakia’s players and fans have endured a long wait to hear their anthem played at a World Championship game. In Cologne, the team’s solitary victory – an anxious overtime success against relegation-bound Italy – was marred by a technical glitch that made it impossible to play the song after the game, so the tune had not been heard since May 17, 2016.
More importantly today's 4-2 victory over Austria ended an eight-game losing streak in World Championship play, giving the team its first win here and reigniting Slovak hopes of a first quarter-final since 2013. Austria, meanwhile, remains one point and one place ahead of Belarus as the relegation battle takes shape. Once again, Roger Bader's team earned plenty of plaudits for a resilient performance but, as against Switzerland in the first game, could not secure the much-needed win.
Slovakia added four men to its roster, completing the line-up with reserve goalie Denis Godla, defenceman Mario Grman and forwards Marek Hovorka and Andrej Kudrna. All four came from European leagues, with Zdeno Chara opting not to join his countrymen after his NHL play-off run came to an end in Boston.
It didn’t take long for this Danube derby to start making waves. Just 93 seconds into the game, Austria opened the scoring in a moment that Slovak captain Andrej Sekera will be desperate to forget. There seemed little danger when Brian Lebler attempted an optimistic point shot but somehow the puck got caught up in Sekera stick and skates. The extravagant deflection deceived Patrik Rybar and the 24-year-old Hradec Kralove goalie was picking the puck out of his net seconds into his first World Championship.
Slovakia needed a rapid response. After running the Czechs so close in the opening game, Craig Ramsay’s team looked toothless in a tame loss against Switzerland. Any slip up here would put the Slovaks firmly into a battle to escape the basement in Group A. Admittedly, next year’s host nation is safe from relegation but after the struggles of Cologne there’s a need for improvement to inspire home fans ahead of the 2019 tournament.
So there was some relief when Marcel Hascak tied the game in the fifth minute. It all started deep in Slovak territory with Martin Bakos winning the puck. Then a series of quick passes – one touch to control, the next to move it on – turned defence into offence: Marek Daloga to the newly-arrived Hovorka and thence to Hascak for a laser to the short side that left Starkbaum clutching at thin air.
World Men
Austria vs. Slovakia
Austria may have scored first, but Slovakia dominated on the ice and their empty netter was enough to seal the team's first win of the 2018 IIHF Ice Hockey World Championship.
AUT SVK 08 MAY 2018
The rest of the opening frame could not live up to that explosive start but the final seconds brought a pair of penalties that set up a 4-on-4 start to the middle session. And once Tomas Jurco had done his time he jumped out of the box to give Slovakia the lead. Martin Fehervary’s long pass found Ladislav Nagy on the Austrian blue line. The veteran played a deft drop pass and Jurco gobbled up the chance to shoot home a wrister from the top of the circle. Jurco came close to getting another before the Austrians threatened an equalizer after a defensive breakdown sent Manuel Ganahl one-on-one with Rybar. This time the goalie won the duel and was equal to a the follow-up shot.

Slovakia extended its lead midway through the second period – and this time it was Austria cursing its luck. Christian Jaros thumped in a slap shot but Starkbaum thought he’d seen enough to get a blocker to it. Unfortunately for the goalie, he couldn’t get a strong arm behind it and looked on in horror as the puck looped into the net. Austria might have reduced the deficit before the second intermission when a swift break out placed Alexander Rauchenwald all alone between the hash marks. The Salzburg man hurried his shot, though, and failed to test Rybar.

Quick goals were a feature of the game and the third period brought another one. In the 42nd minute, Michael Raffl fed Peter Schneider. Fehervary lost his stick in attempting to close out the Austrian forward and, despite diving like a soccer goalie, the young D-man was unable to block the shot on its way past Rybar. Suddenly Austria was right back in the game.

However, the Austrians were unable to improve on that. A 'too many men' penalty midway through the final stanza disrupted their momentum but there was still time for Lebler's shot to clip the post via Rybar's pad late in the game. An empty net goal credited to Michal Kristof after the luckless Dominik Zwerger deflected it into the Austrian net settled the outcome.

Awoken once again, Bondra and his team-mates are targetting a top-four finish here. "It's a while since Slovakia got to the quarter-finals so that's very much our goal," he said. "We have four more games, some hard teams to play against so we gotta get our legs back. It's nice that we have a day off tomorrow and I think we'll be ready for France."
Austria vs. Slovakia 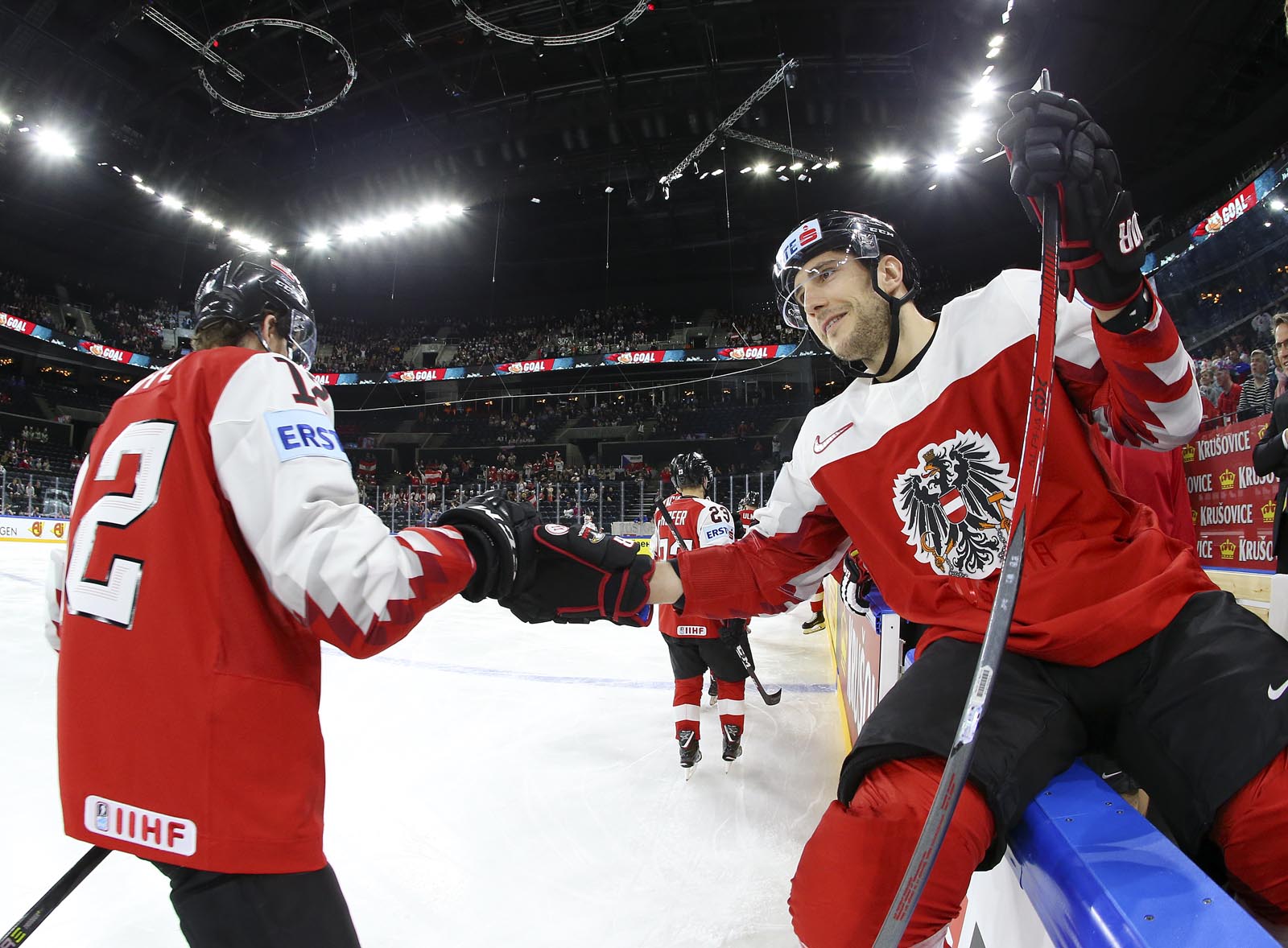 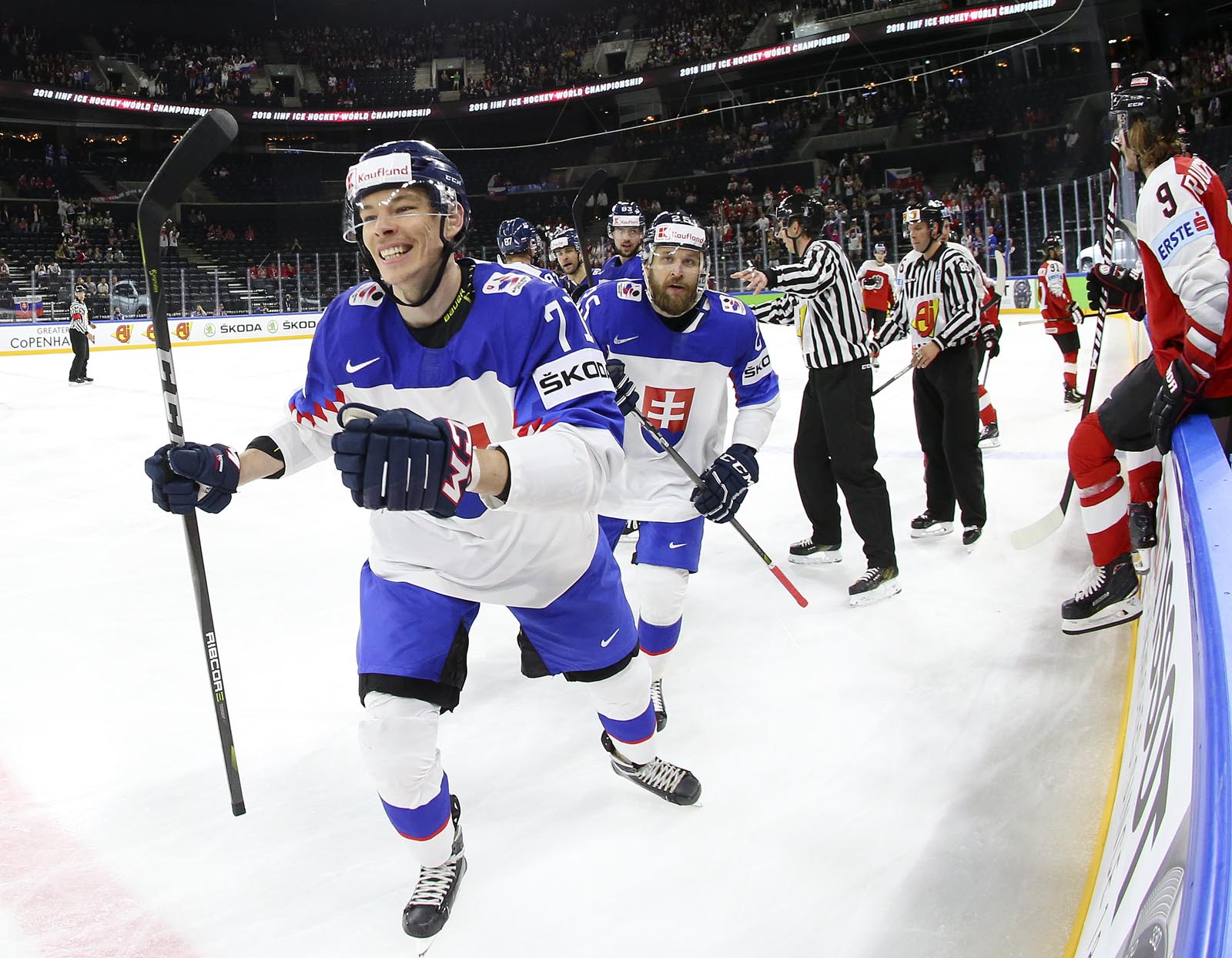 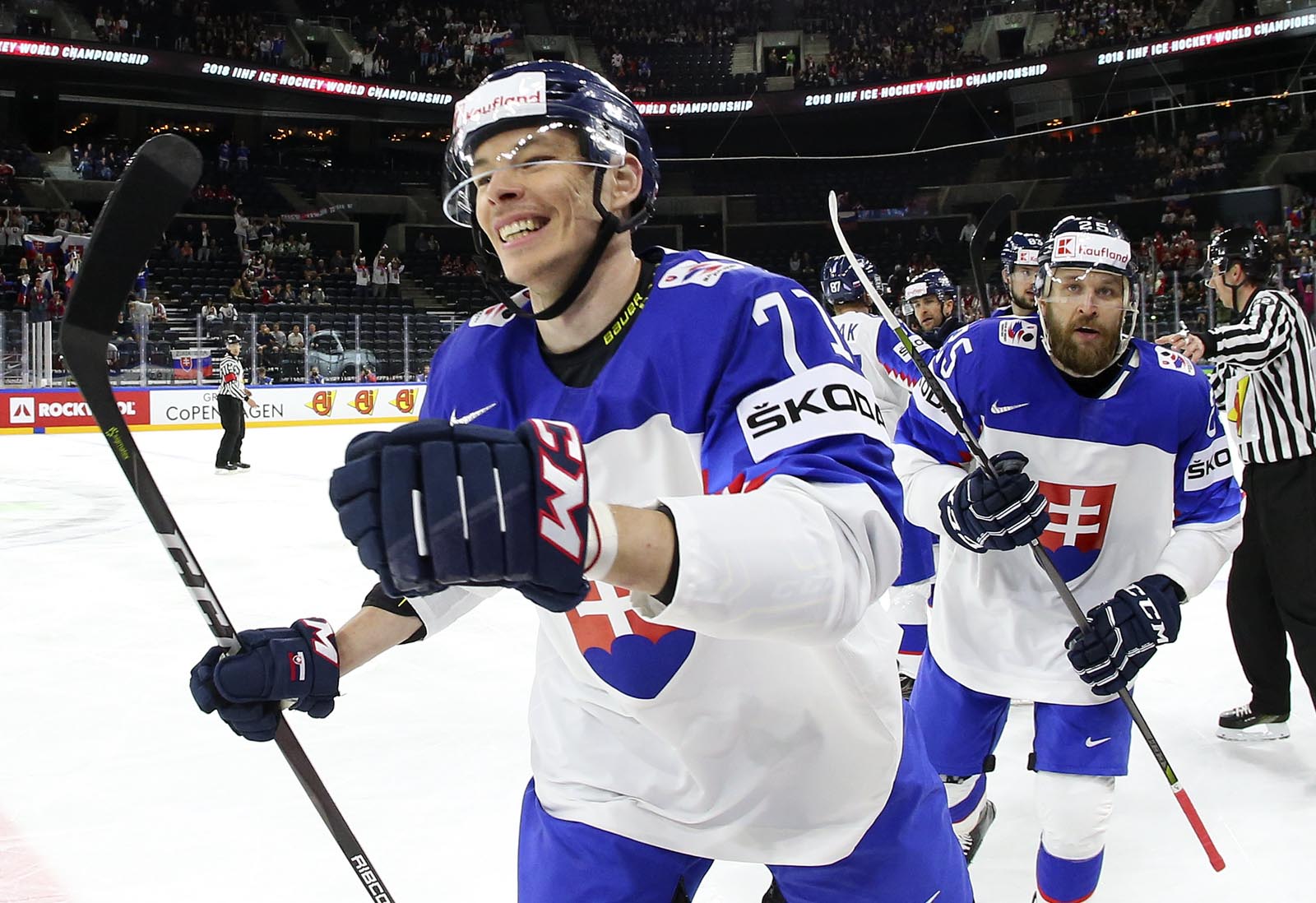 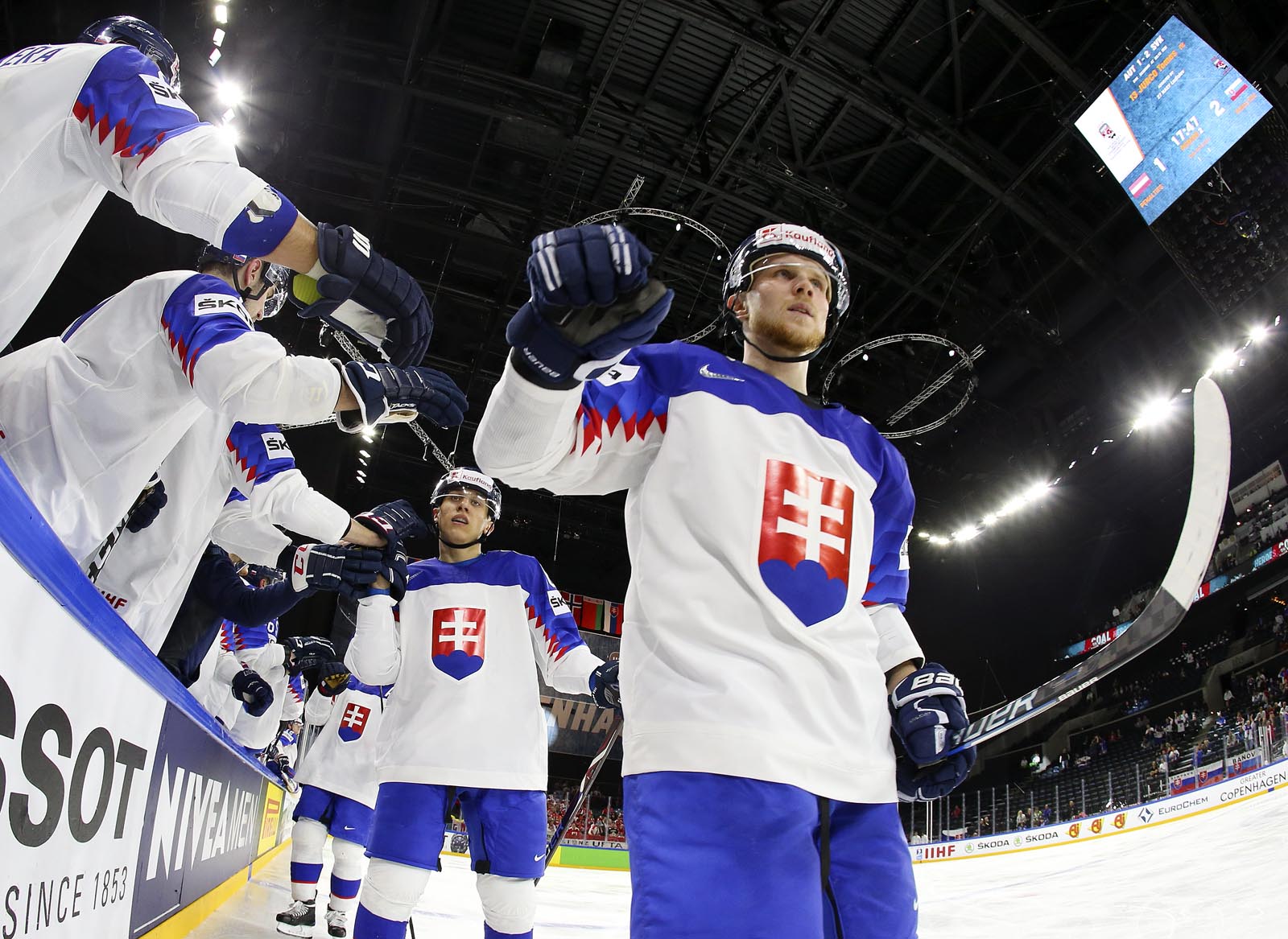 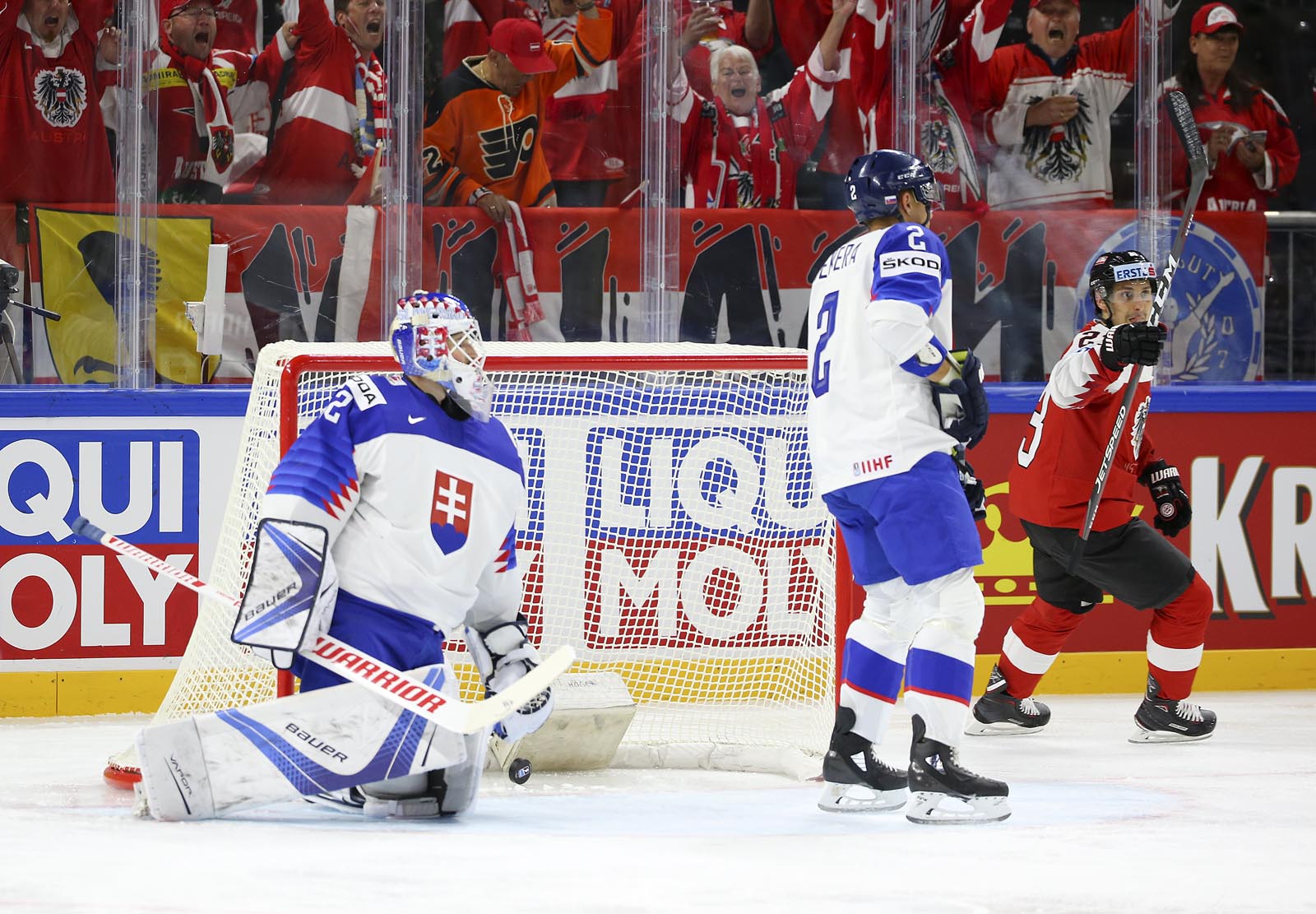 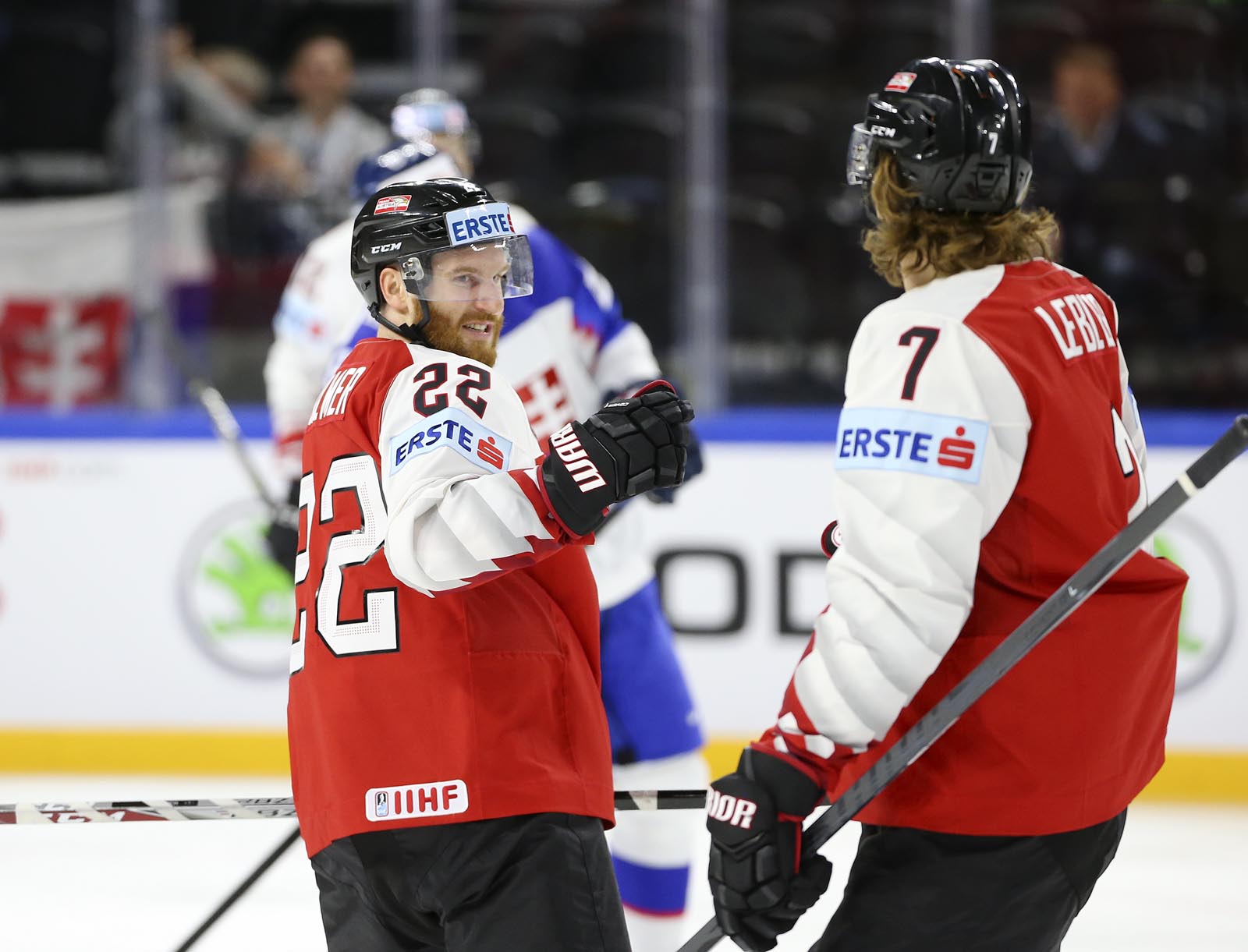 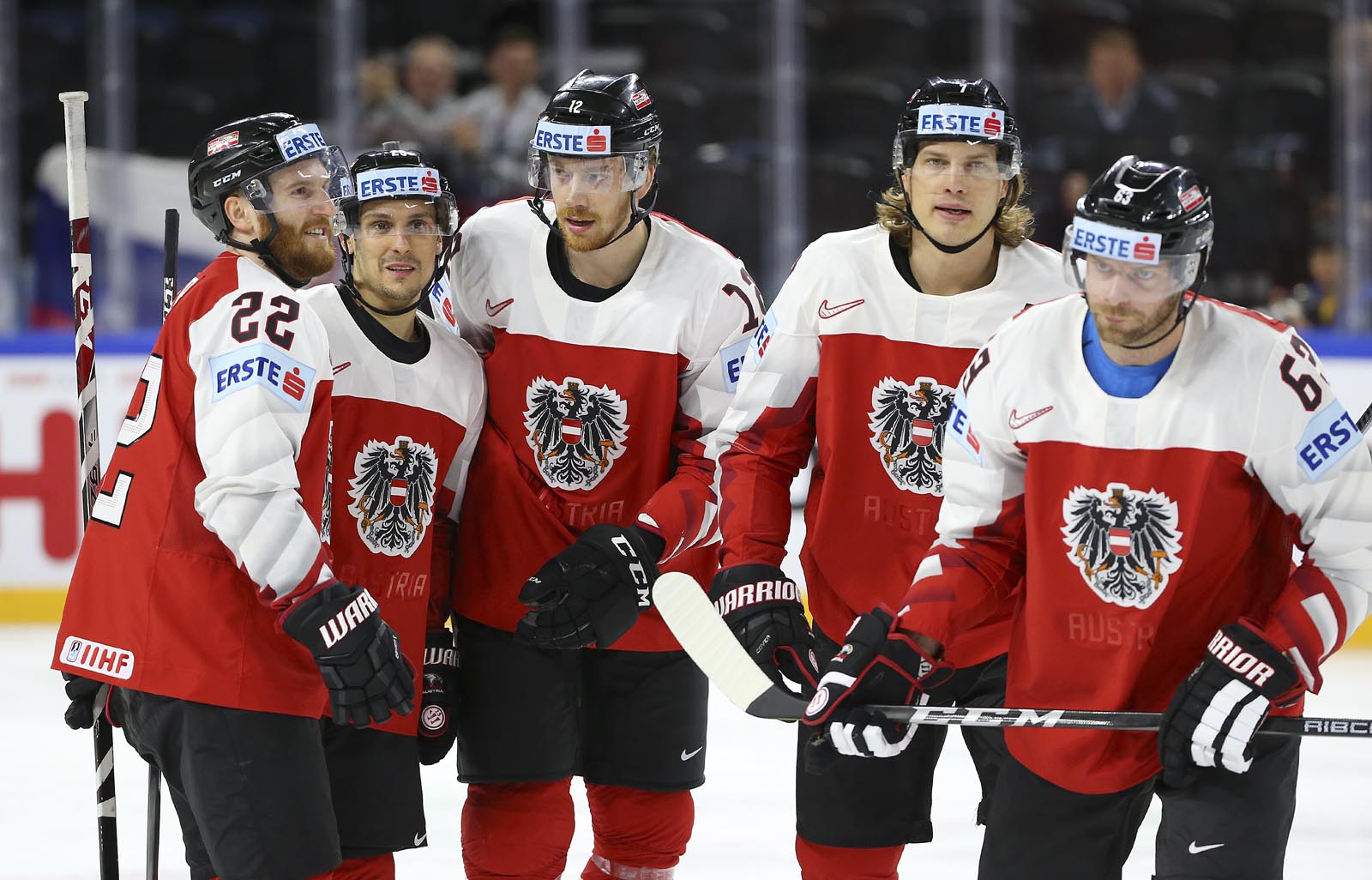 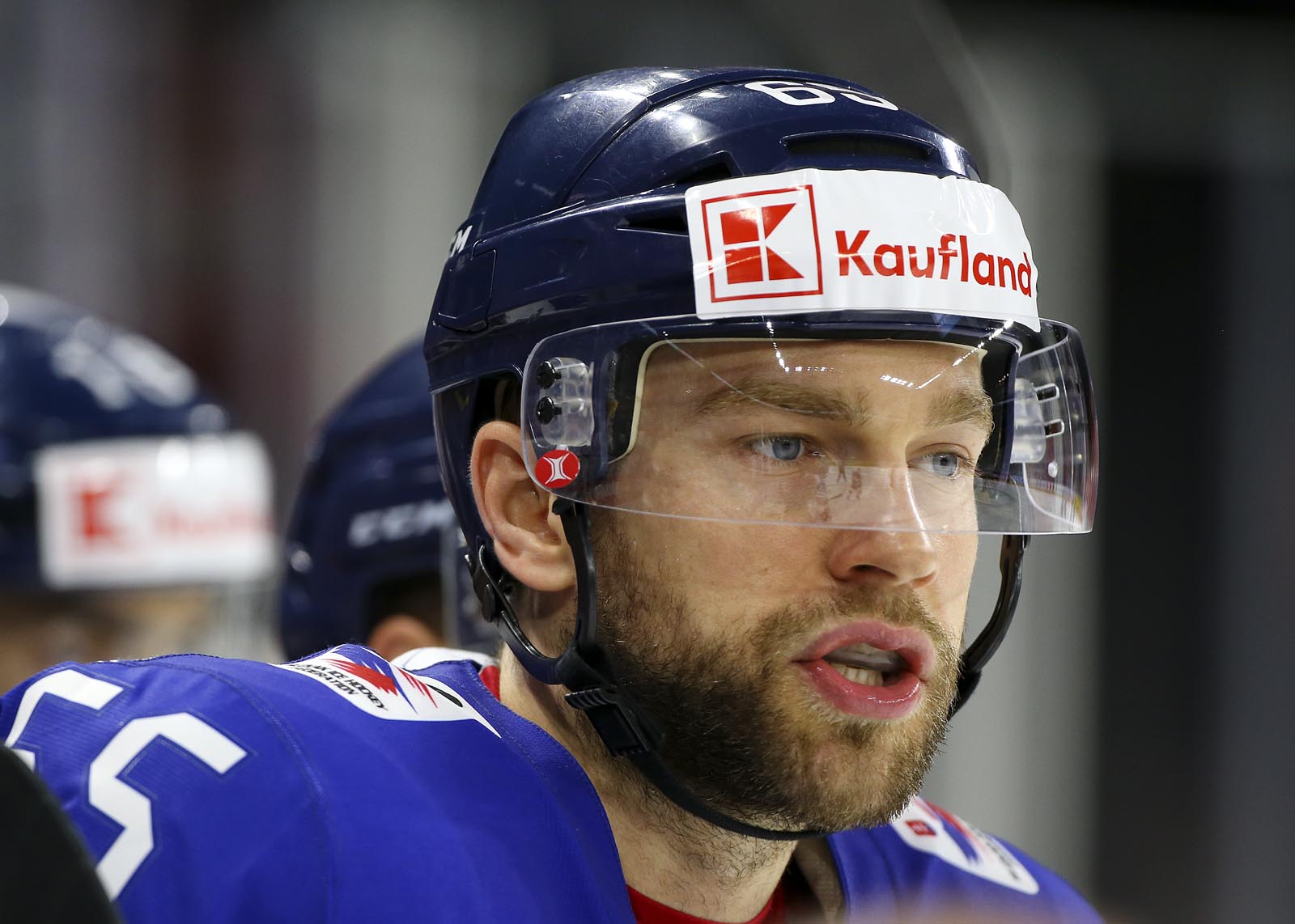 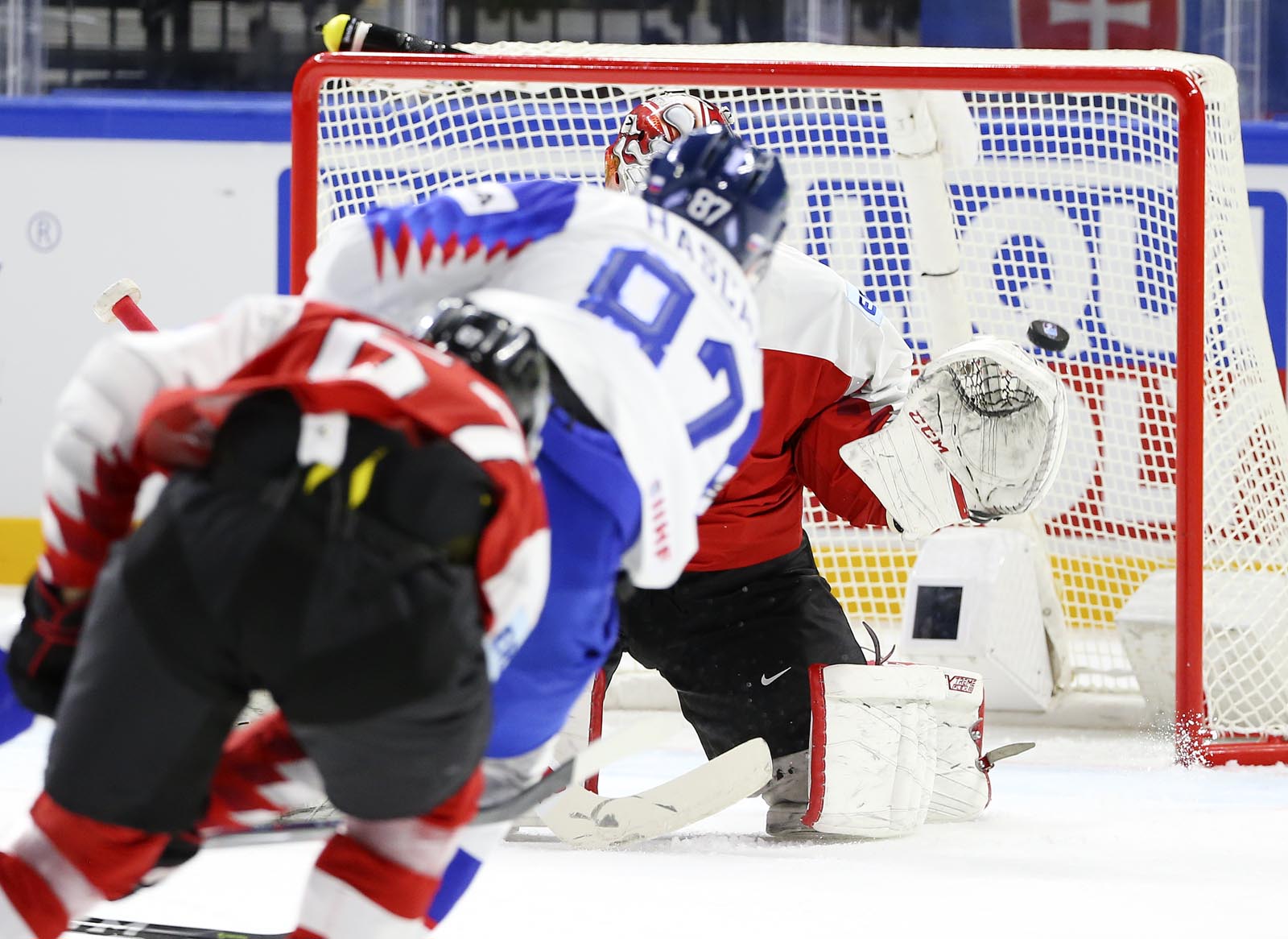 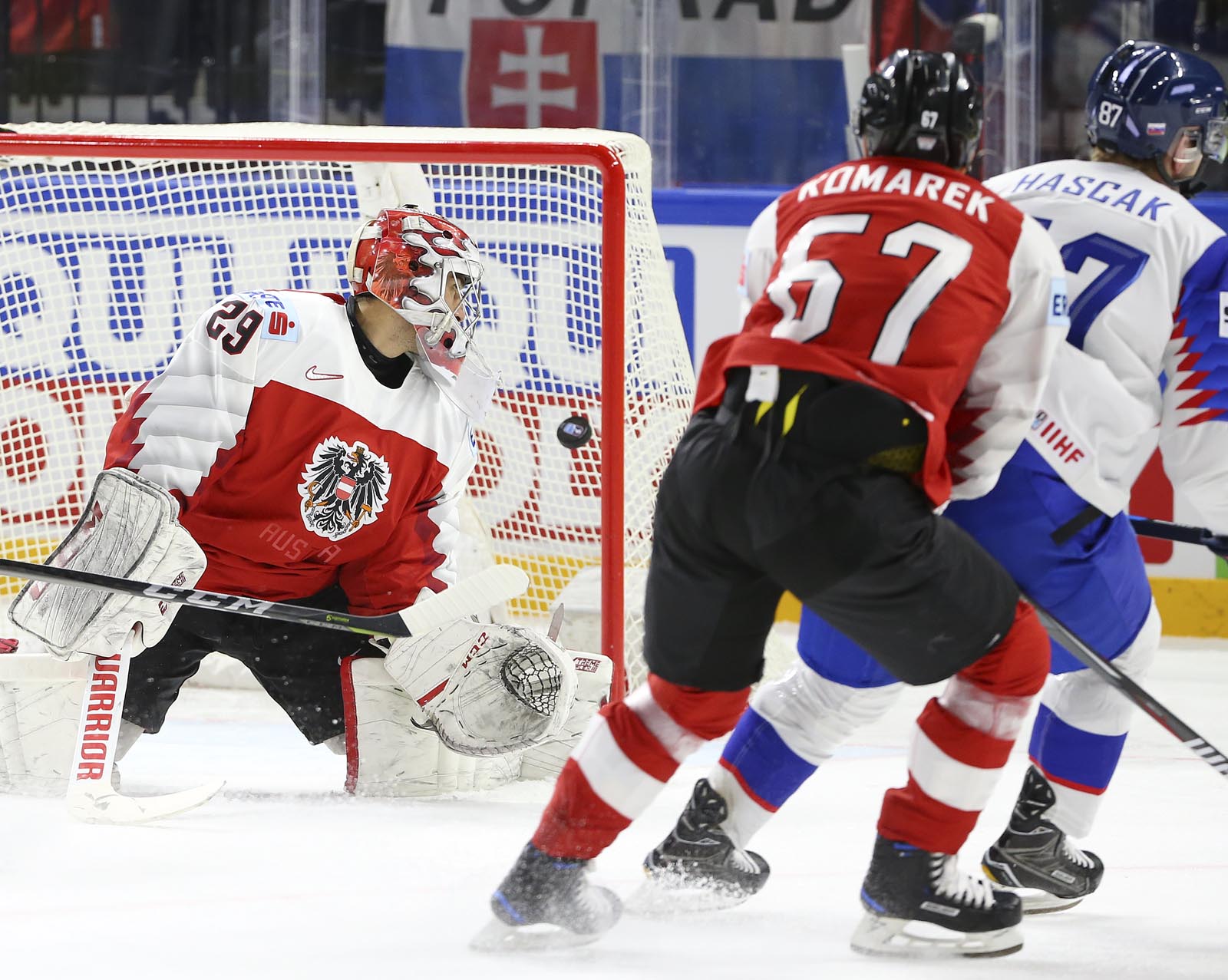 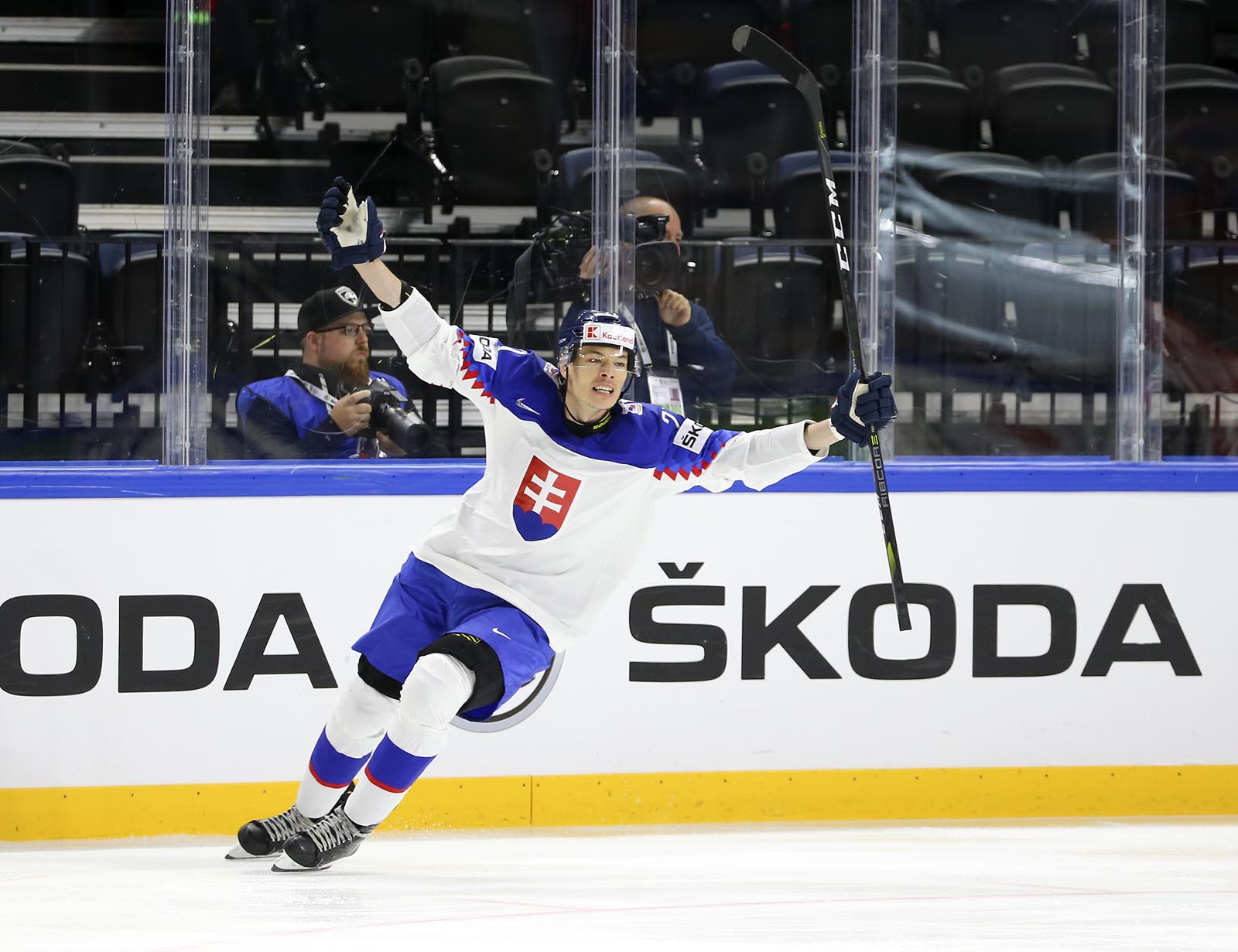 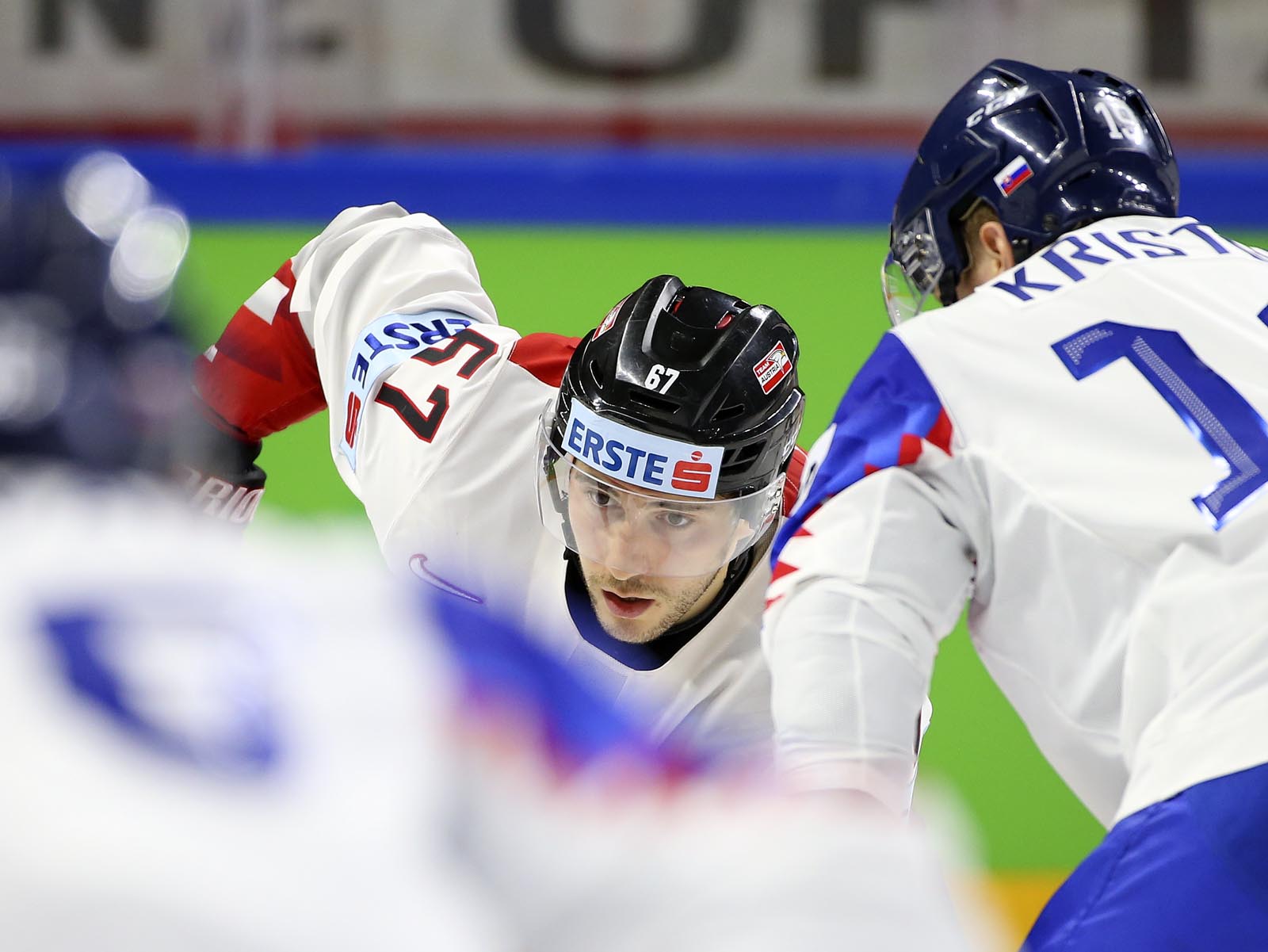 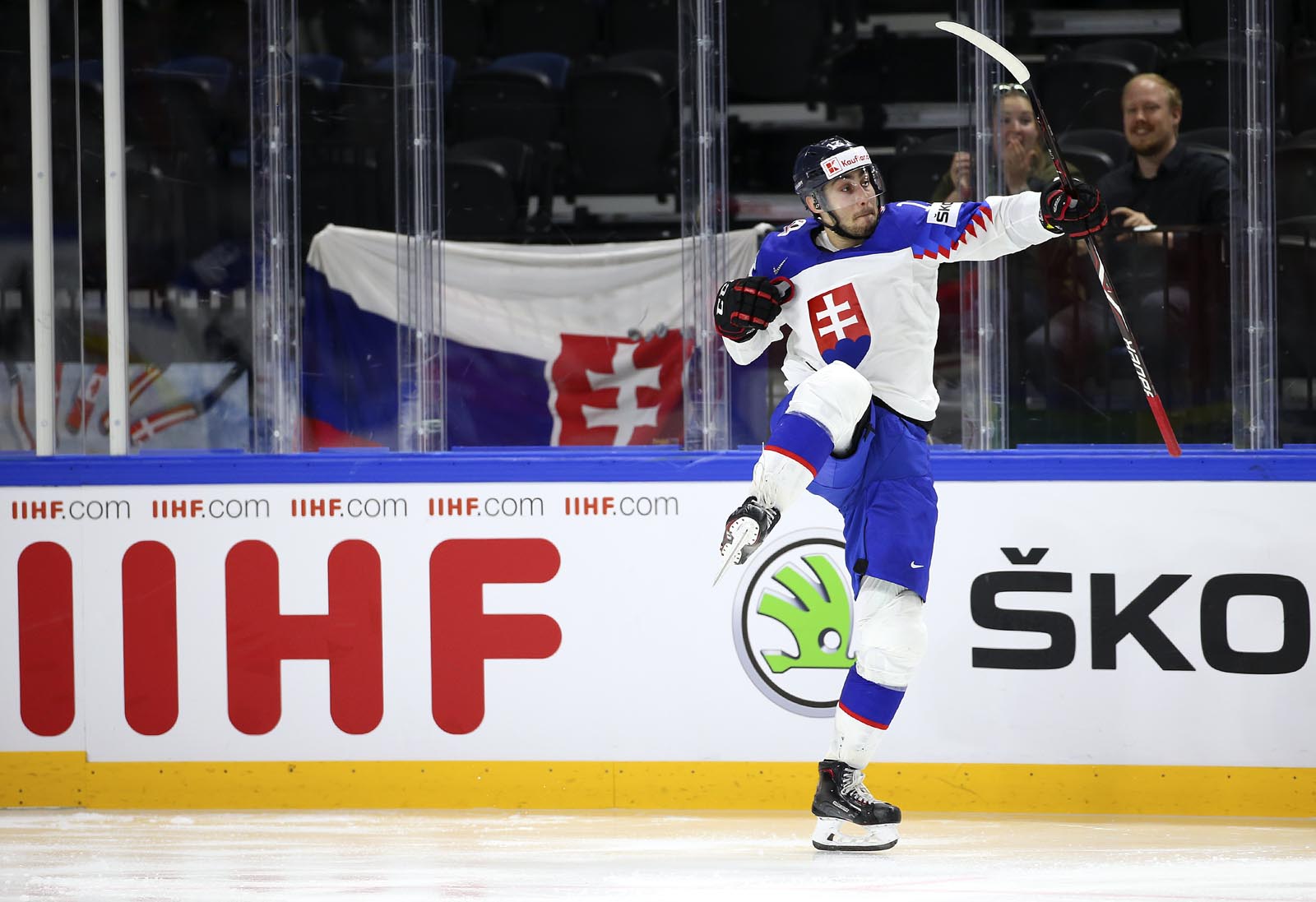 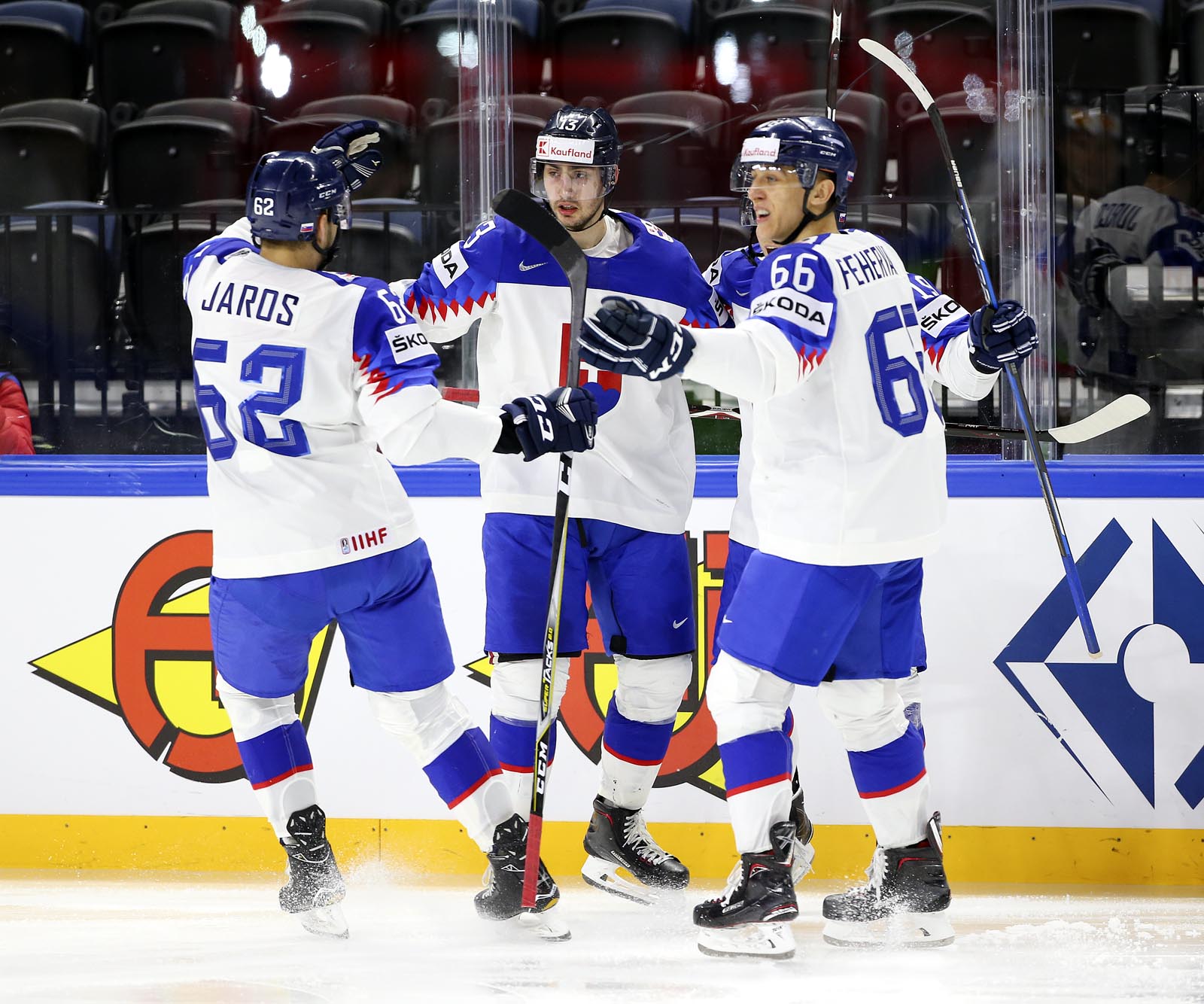 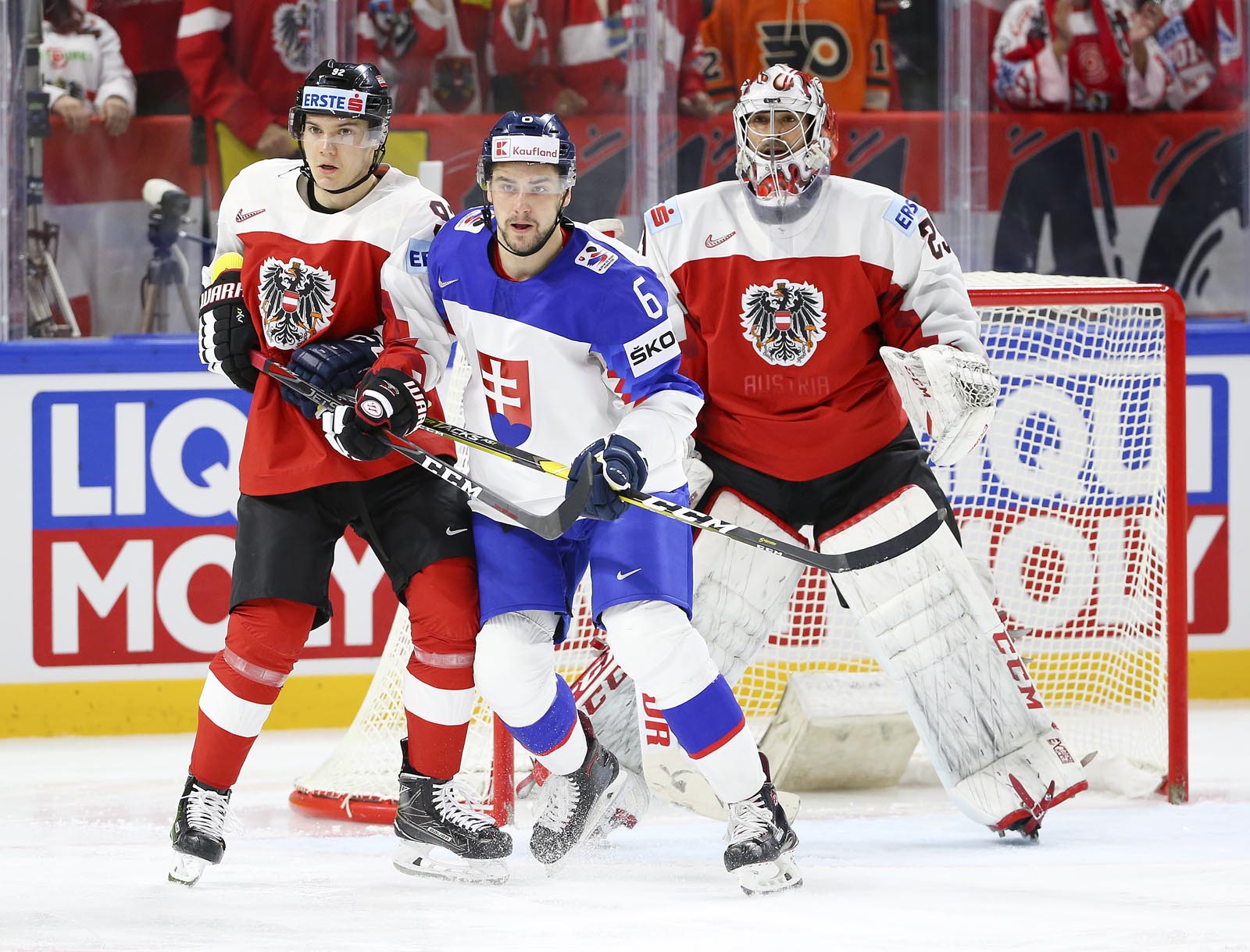 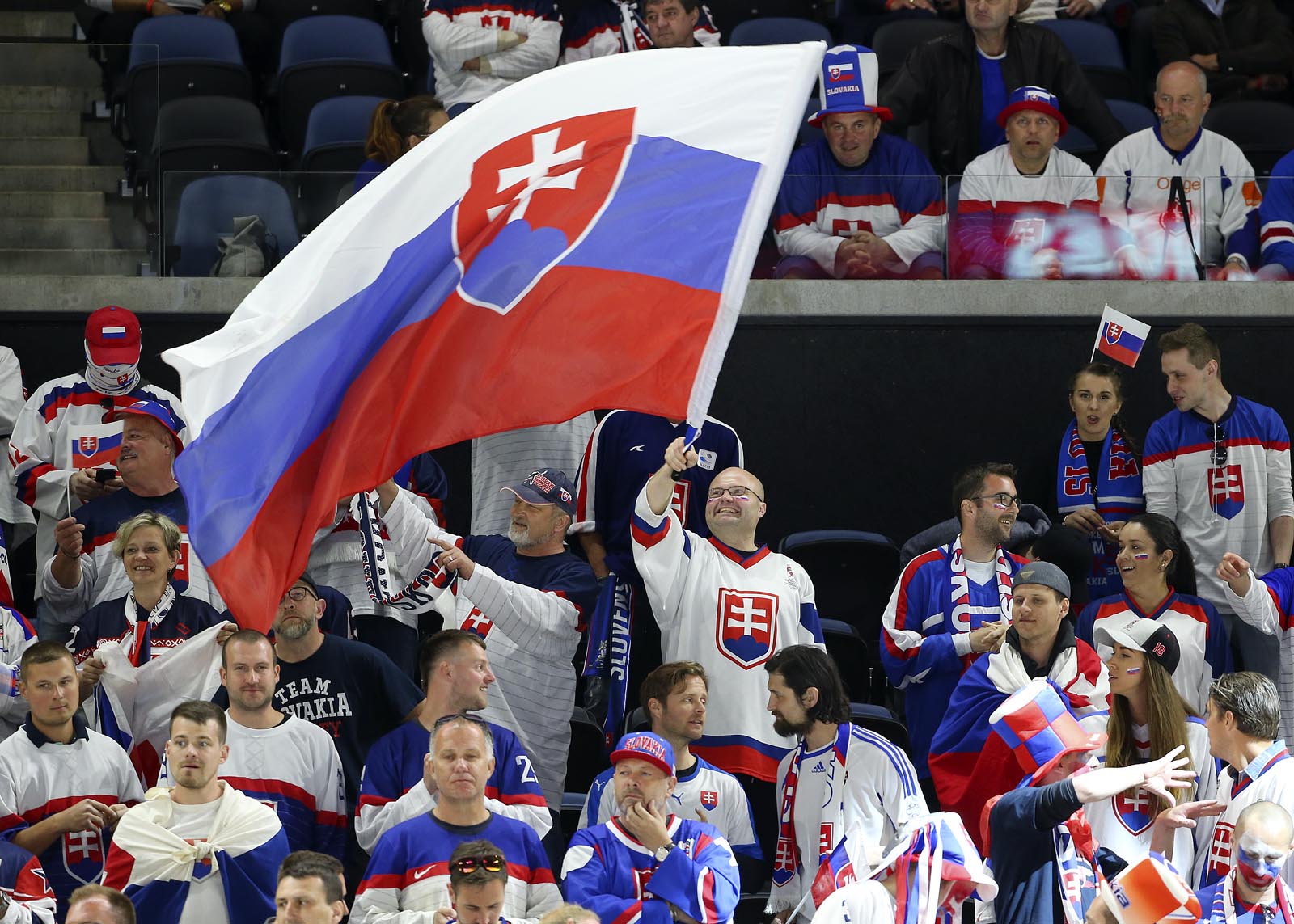 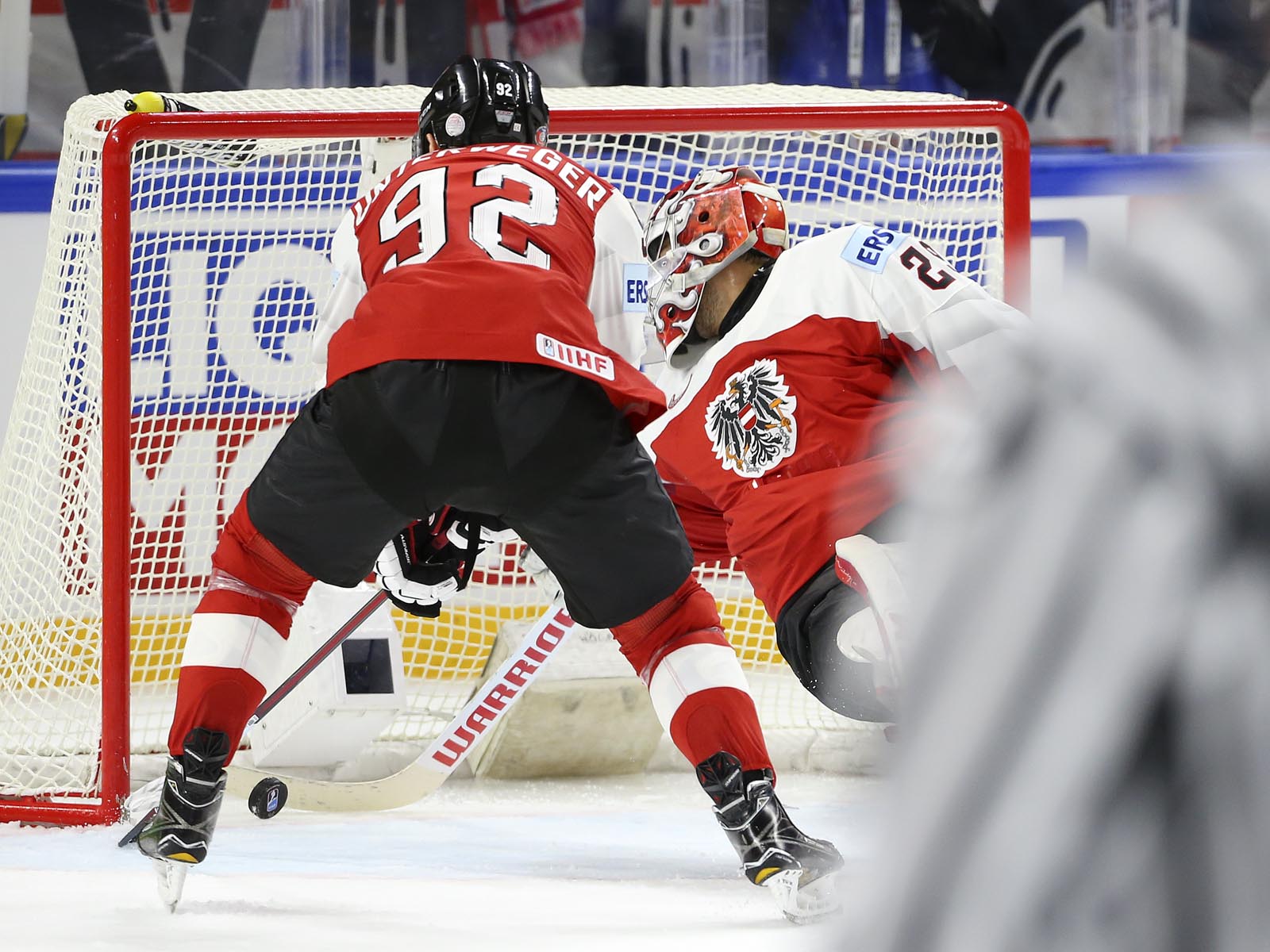 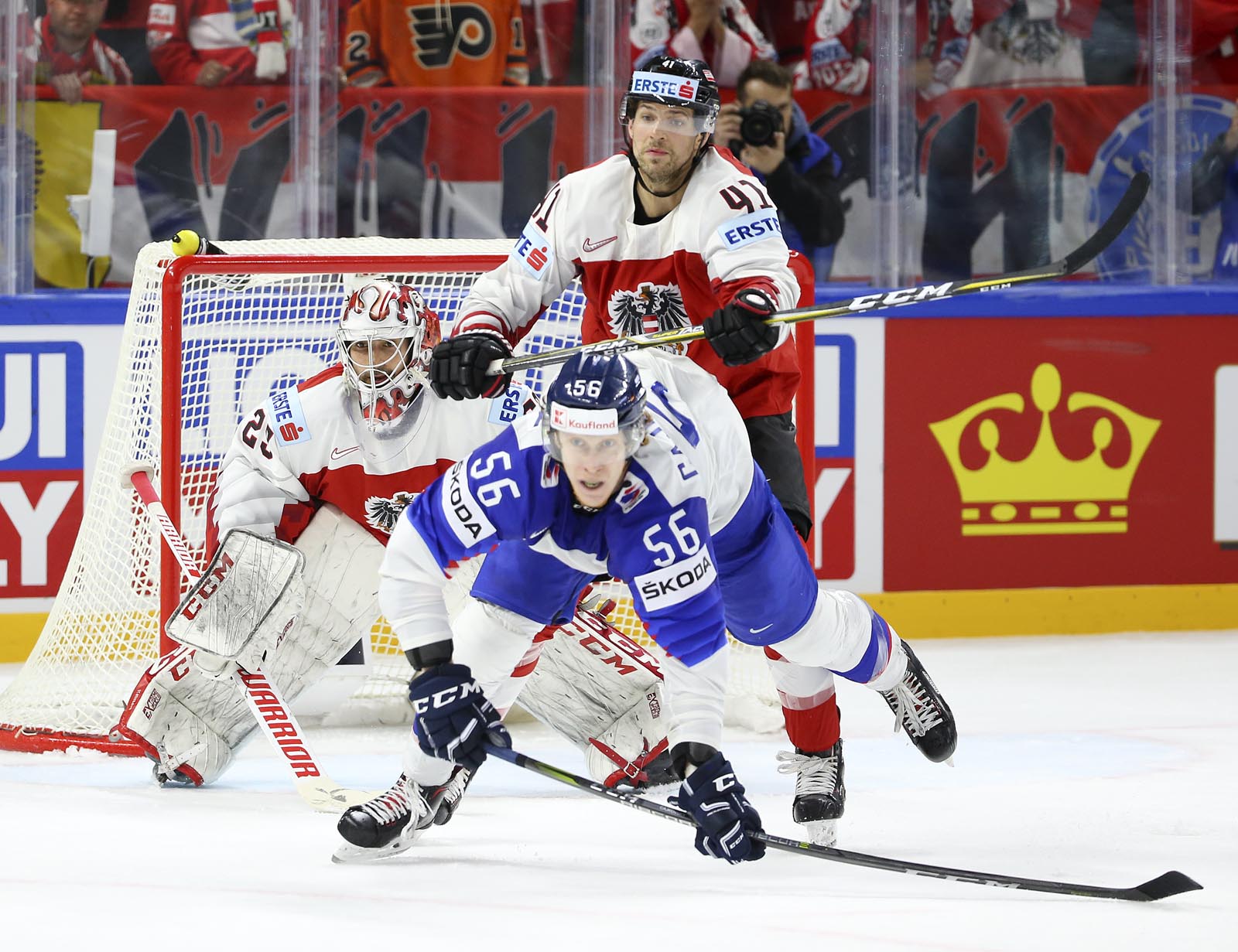 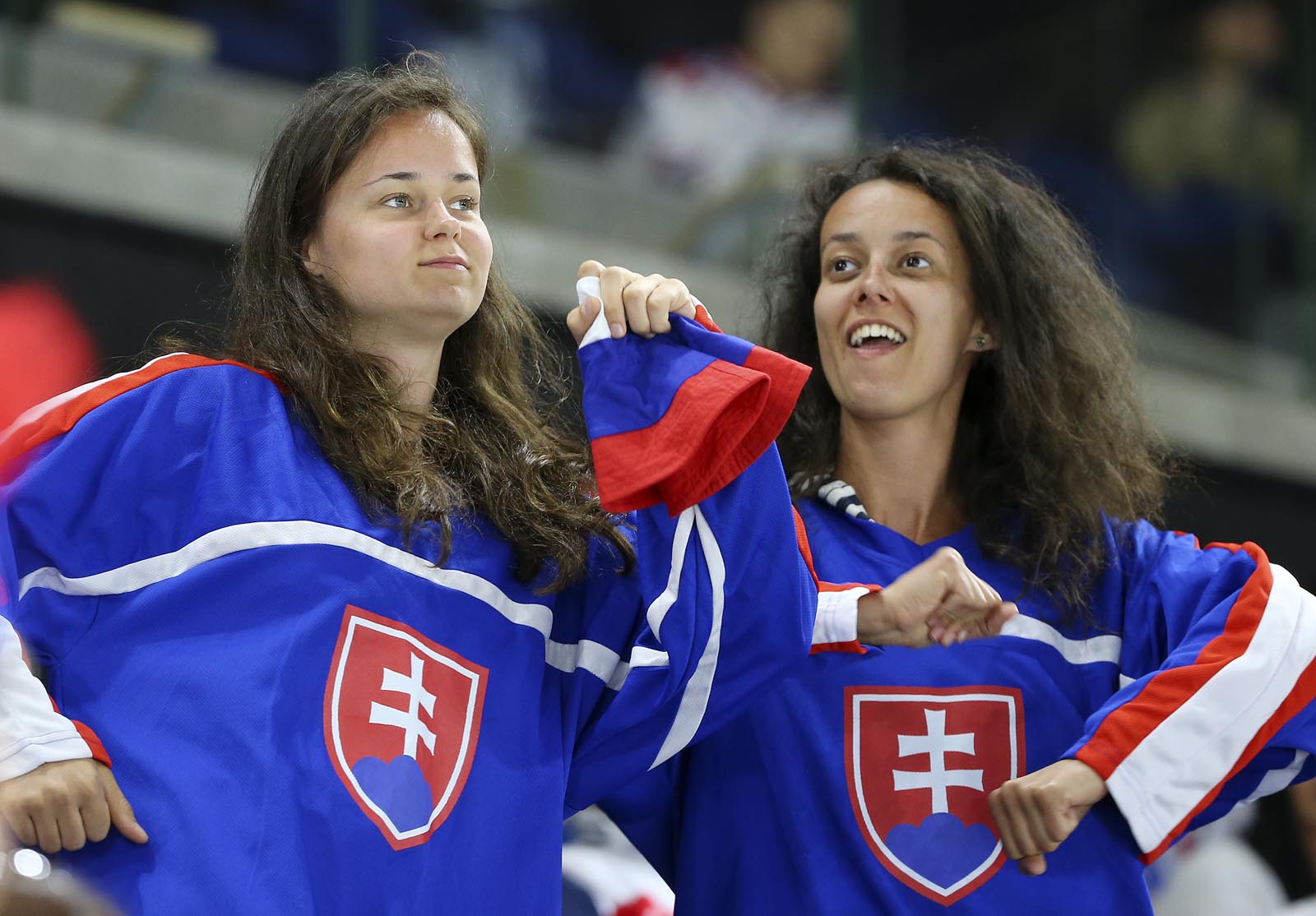 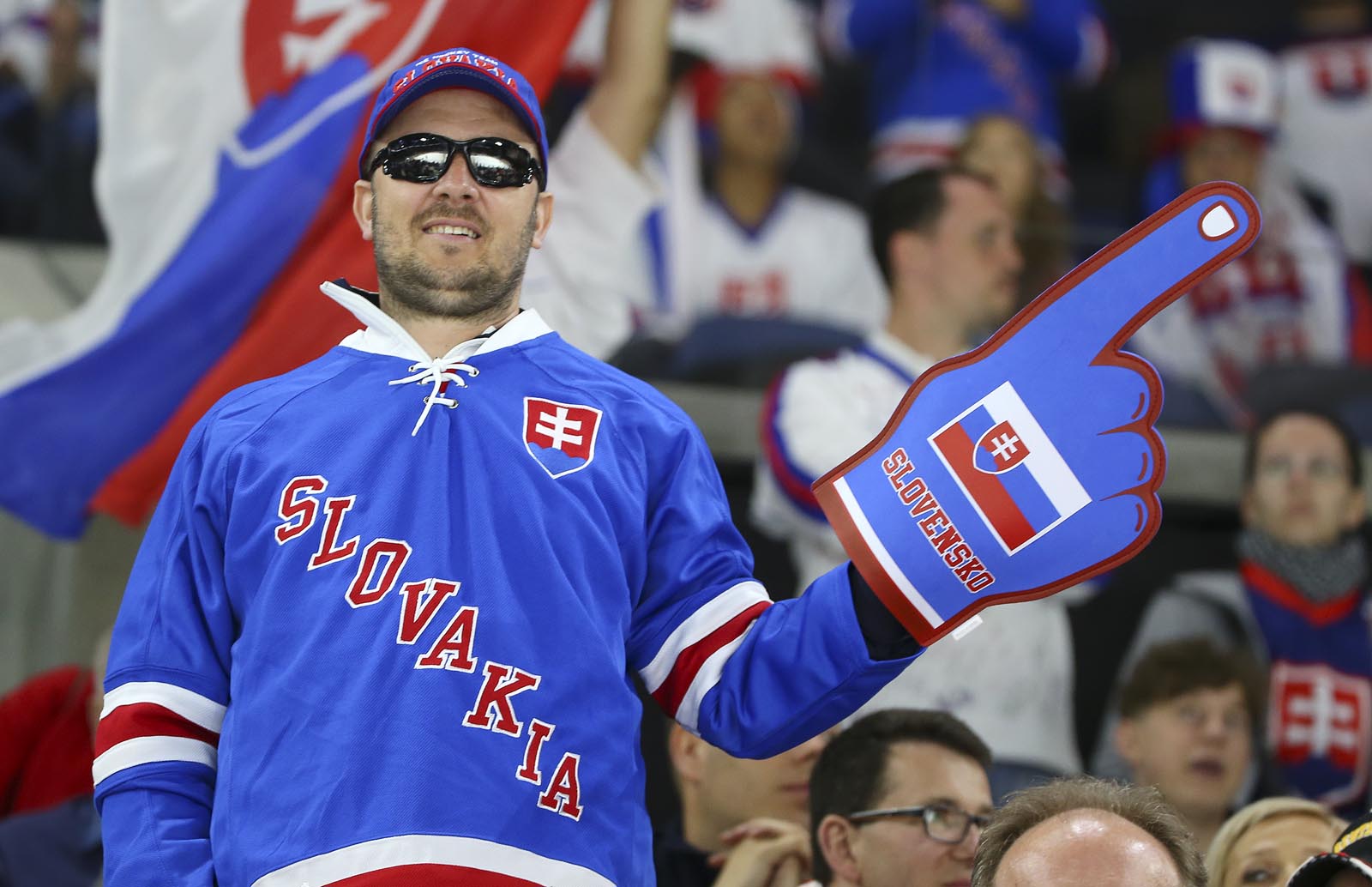 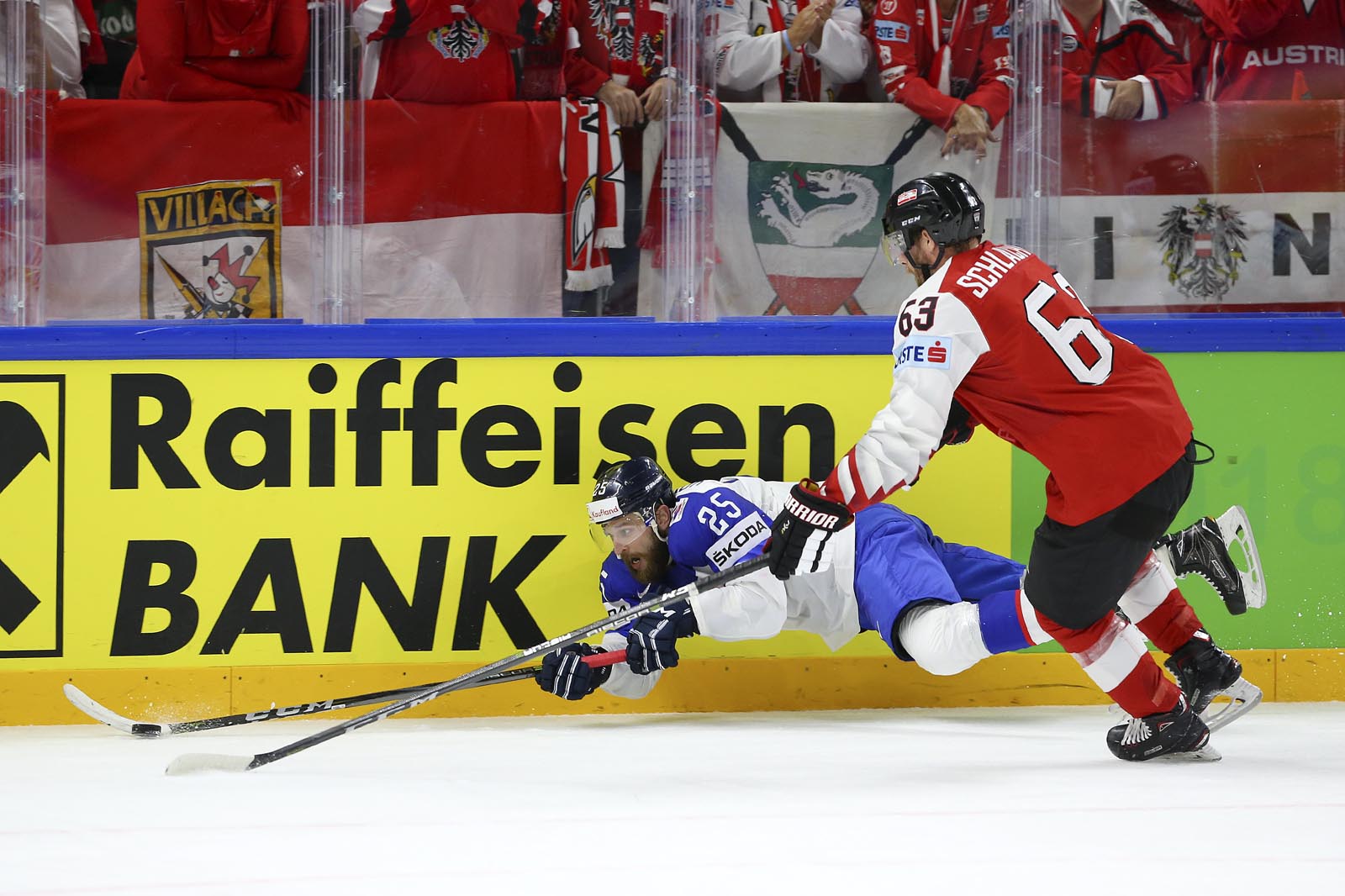 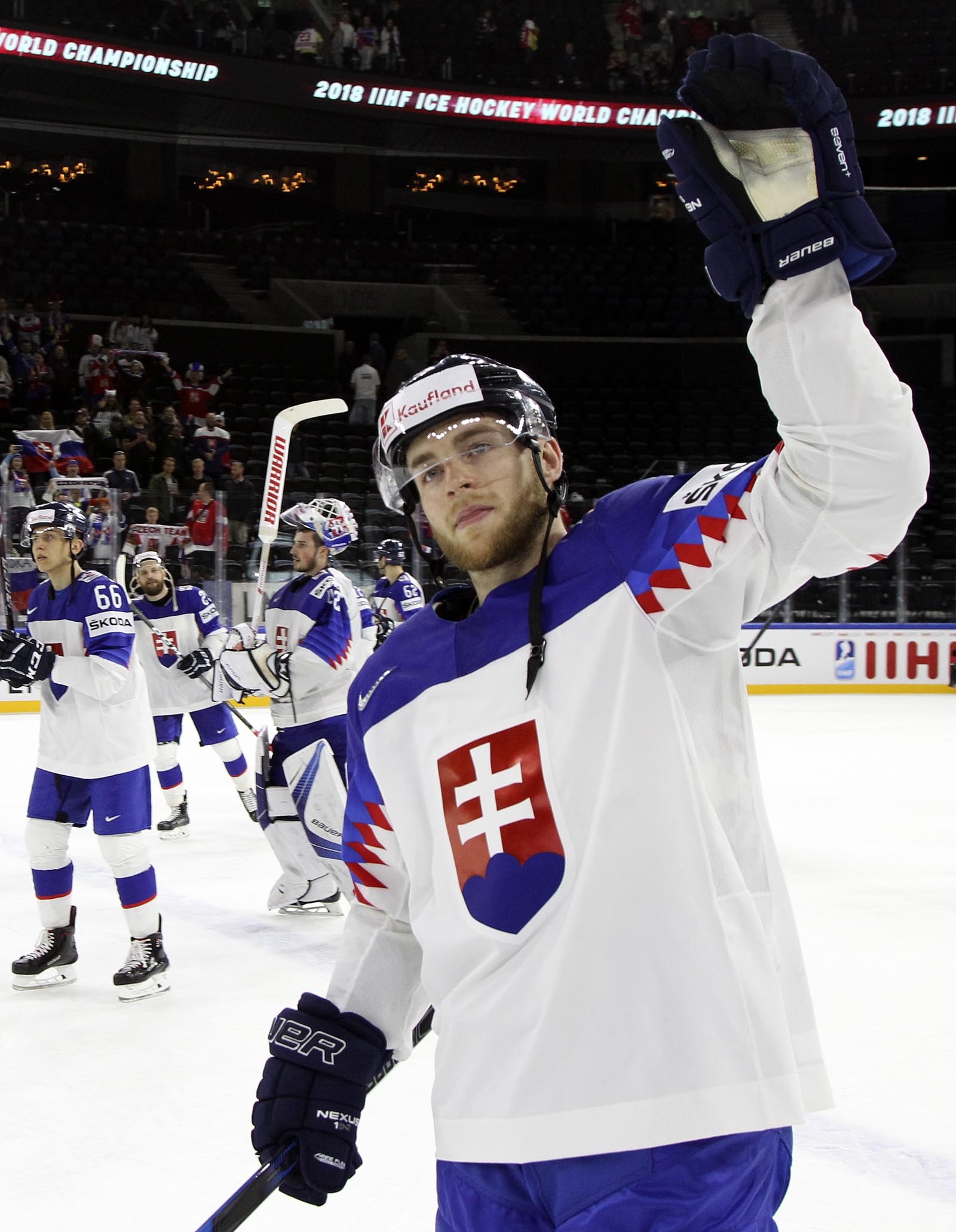