Denmark ekes out win over Korea
Denmark's Jesper Jensen scores the game-winning goal on Korea goalie Matt Dalton.
photo: Matt Zambonin / HHOF-IIHF Images
share
Denmark took a big step forward in its quest to make the quarter-finals with a 3-1 win over Korea. Jesper Jensen’s goal in the second period put Denmark ahead and on course for their fourth win of the tournament. Korea would make Denmark work for its win, giving no quarter and battling hard for the entire game.

"Maybe we were a little tense," Stefan Lassen said after the game. "It was a tough game for us. They worked really hard and they're a pretty good team. We didn't get the bounces today, but we got three huge points, and that was our only focus."

Denmark had the fortune of having a day off while Korea was playing back-to-back games and coming off last night’s 13-1 loss to Team USA. Korea resurfaced this afternoon with plenty of energy as their played their best game of the 2018 IIHF World Championship. Korea made this game much harder on Denmark than what may have been expected.

One of the earliest and best scoring opportunities for the Danes came as Jesper Jensen forced a turnover that was controlled by Jannik Hansen who sent it over to Nicklas Jensen for a shot that Matt Dalton was able to get out in front. For Dalton, it was a return to regular duty between the pipes after being chased from last night's game.

Denmark scored at 2:55 of the second period as Frans Nielsen picked up his third goal. With Jannik Hansen providing a screen in front of Matt Dalton. Nielsen sent a hard wrist shot accurately on net and over the shoulder on Dalton’s glove side. Defenceman Daniel Nielsen got the assist.

Denmark would get an opportunity to go up two goals but instead it led to Korea tying the game. Nicklas Jensen squeezed his way past Hyonho Oh for a two-on-one with Jesper Jensen who hit the post. Korea came back the other way and got the puck deep in the Danish zone. Frederik Storm tried to send a shot backhand pass to Emil Kristensen but it was intercepted on the back boards by Sangwook Kim who found Kisung Kim who scored.

Korea picked up their game and spent time sniffing around Frederik Andersen’s net for another chance to score. Sangwoo Shin got the inside track on Oliver Lauridsen and drove to the net around the big defenceman for an attempt to stuff the puck in but Andersen blocked that aside.
World Men
Denmark vs. Korea
Korea gave them a run for their money, but Denmark emerged victorious.
DEN KOR 12 MAY 2018
Denmark reclaimed the lead when Jesper Jensen scored. Jensen converted a pass from Oliver Bjorkstrand that put his team up 2-1. The goal at 12:14 got the Danish faithful in attendance at Jyske Bank Boxen out of their seats.

The third period would remain closely contests as Denmark clung to the lead. Korea’s tight defensive effort continued, keeping opportunities to the outside. It was only when Alex Plante was called for slashing the Danes teed off several shots on goal but none would not get through.

"They had a tough game last night and gave up a lot of goals," said Jesper Jensen. "They probably talked about keeping it tight and keeping us to the outside. They did a good job of that tonight. They didn't give us anything. We had to fight for every chance."

With Nichlas Hardt in the penalty box, Korea made the most of their power play time. There were a few anxious moments but more impressive was Korea’s better movement of the puck and offensive pressure.

A penalty on Brock Radunske led to Denmark’s third goal as Hardt scored at 16:35. As was the case against Team USA, Korea’s penchant for taking penalties and not having the strongest penalty kill among teams in the top division would hurt them.

Denmark now has 11 points in Group B with a final game in the round remaining against Latvia.

Korea, winless thus far, still has a small chance of staying in the top division, provided they defeat Norway in regulation time on Monday and Norway does not get a point against the United States in their encounter tomorrow. 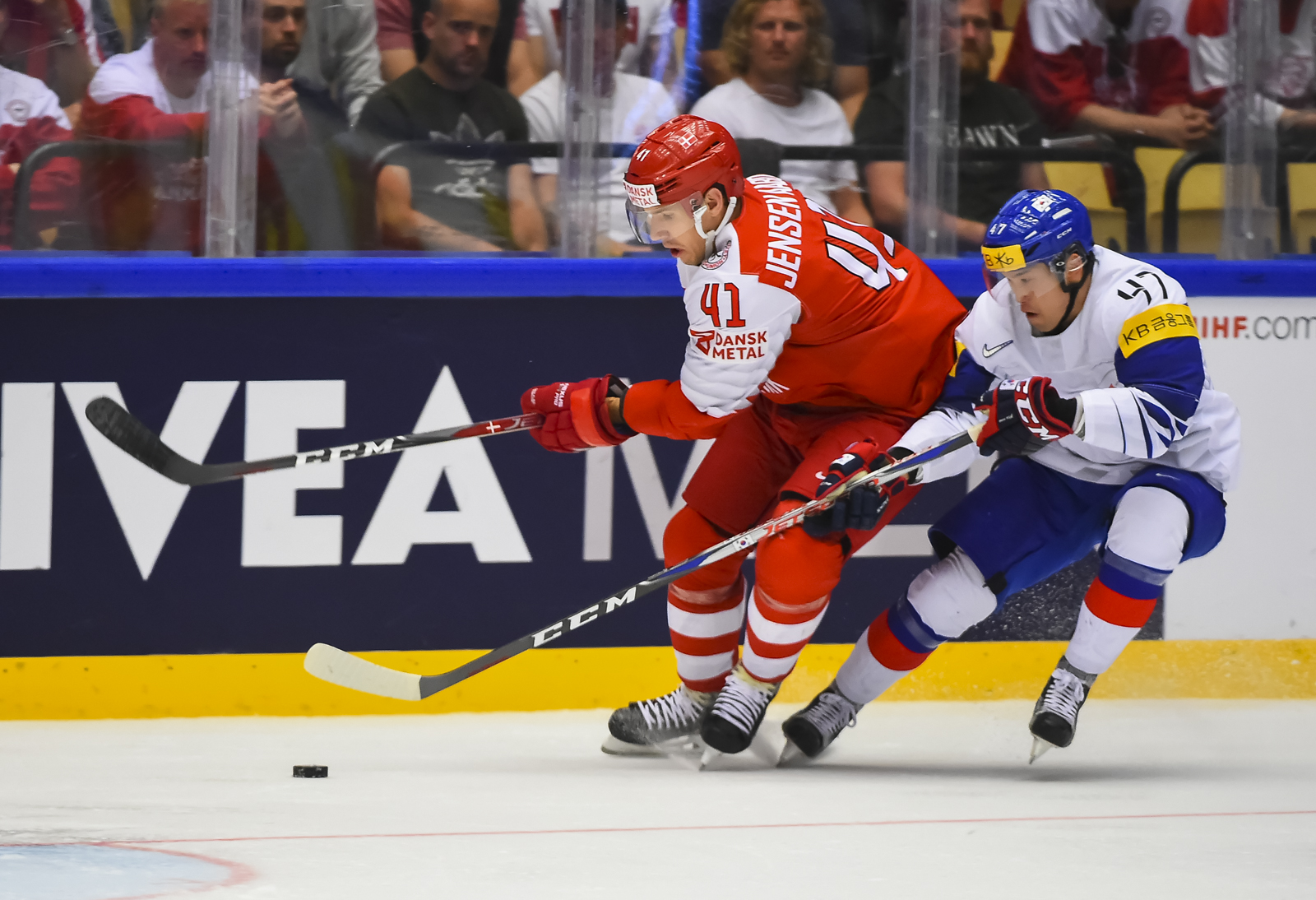 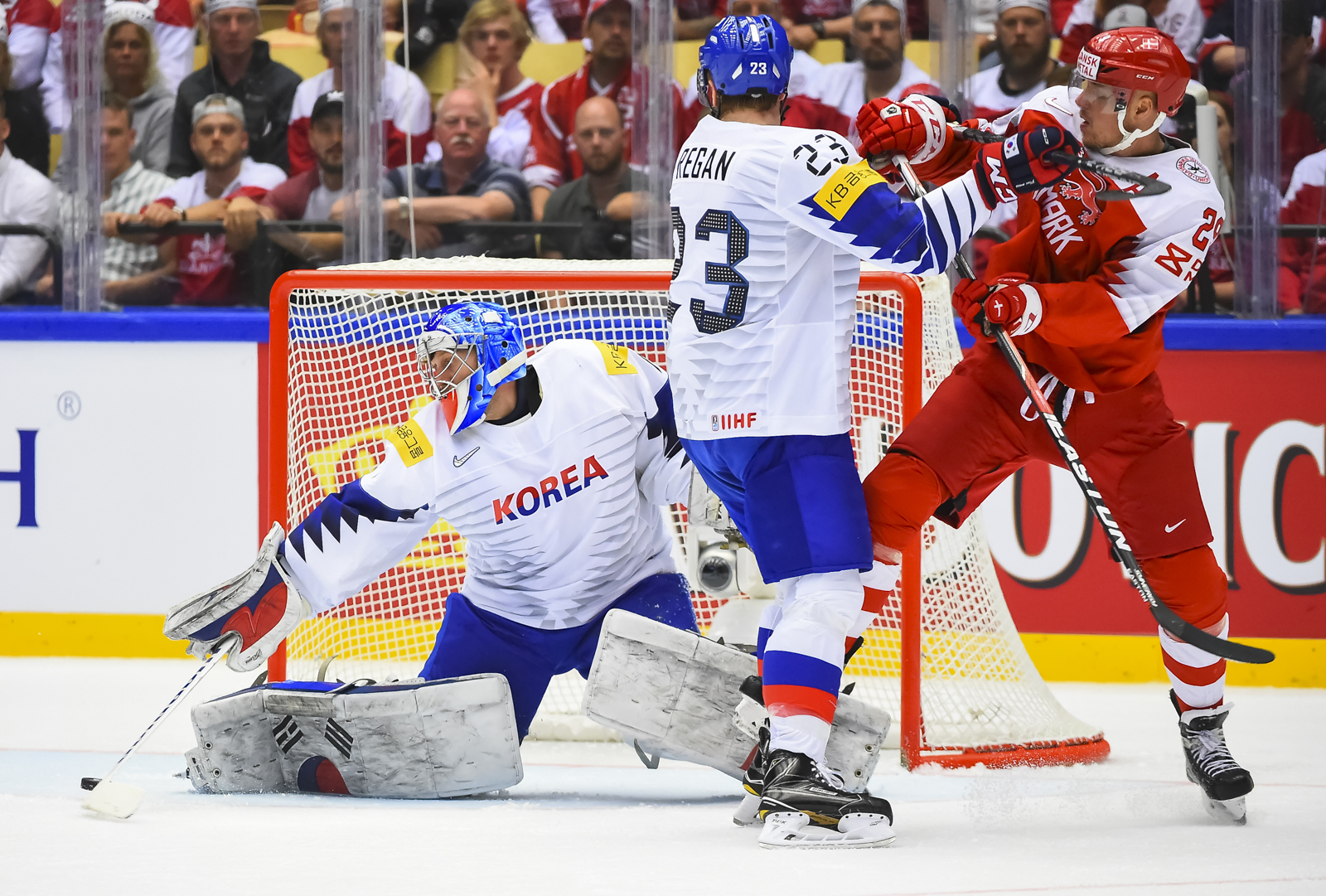 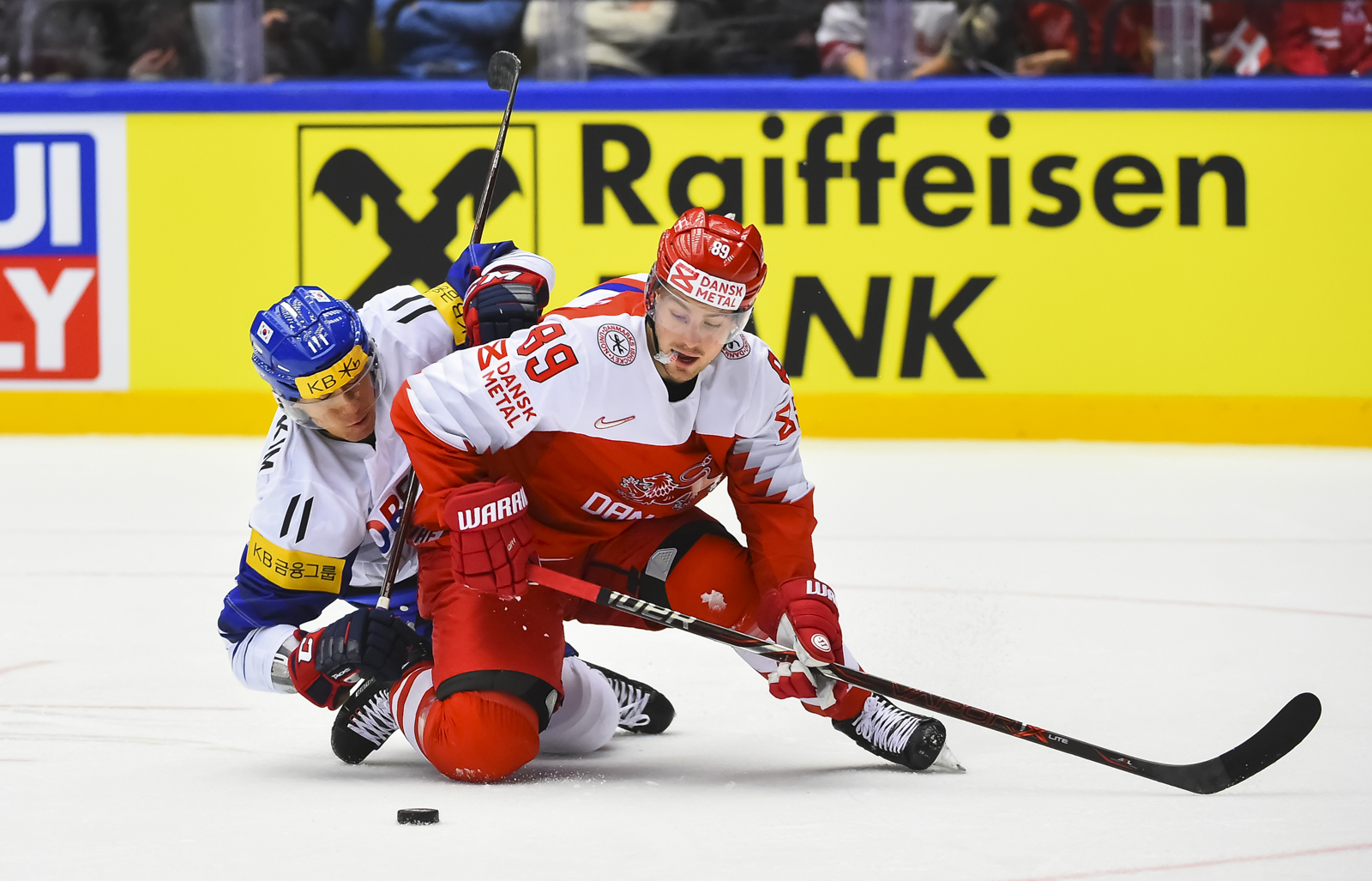 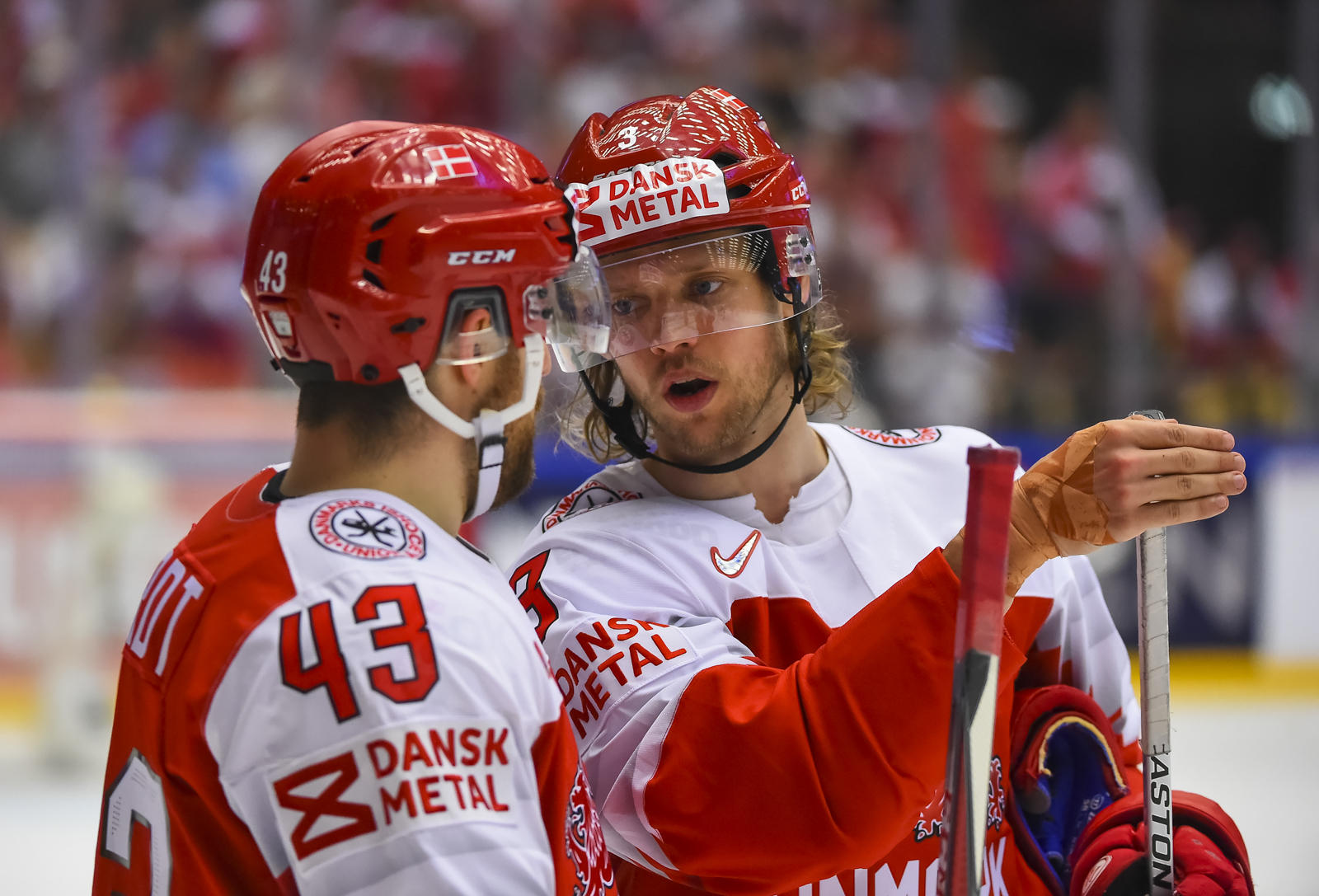 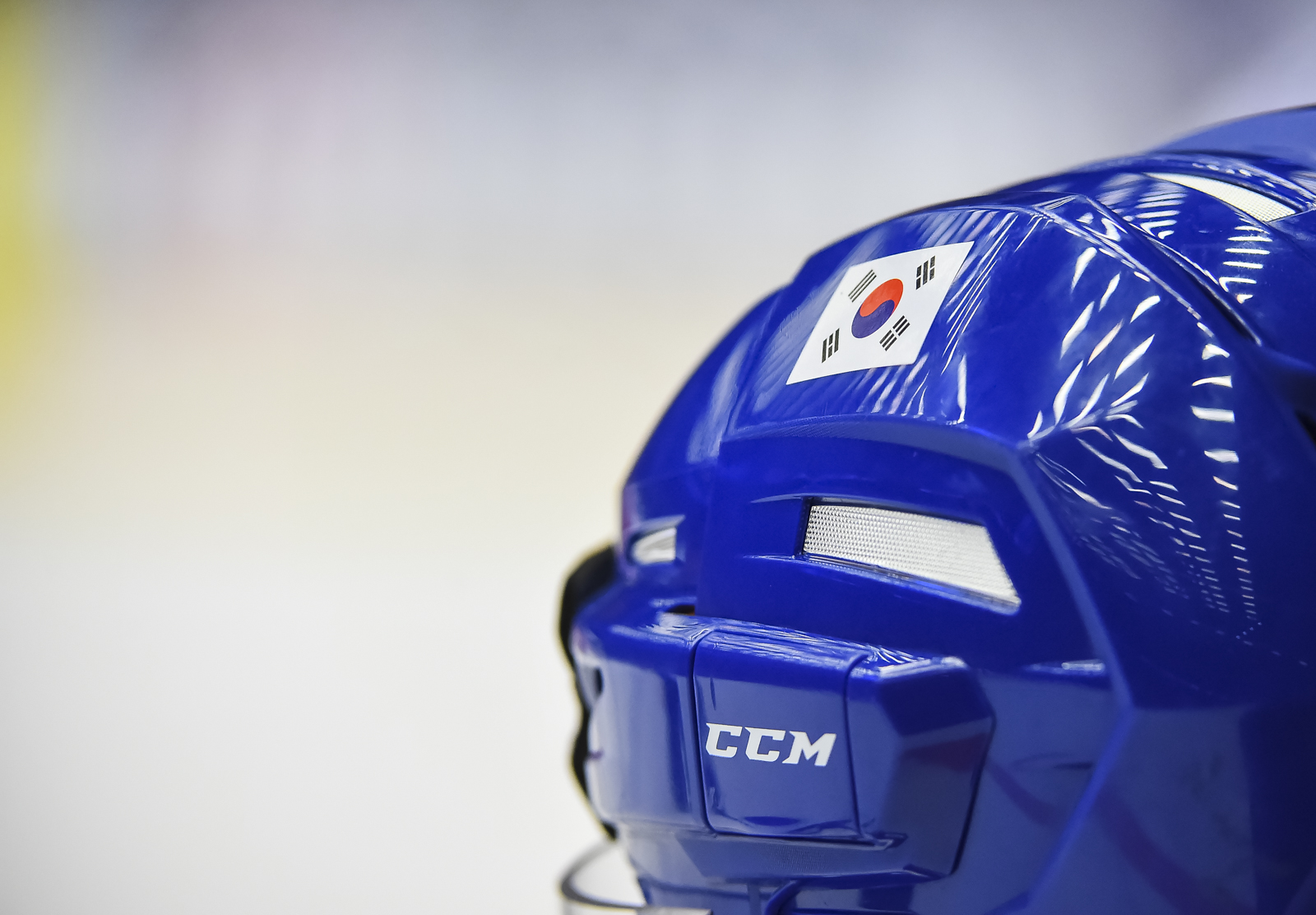 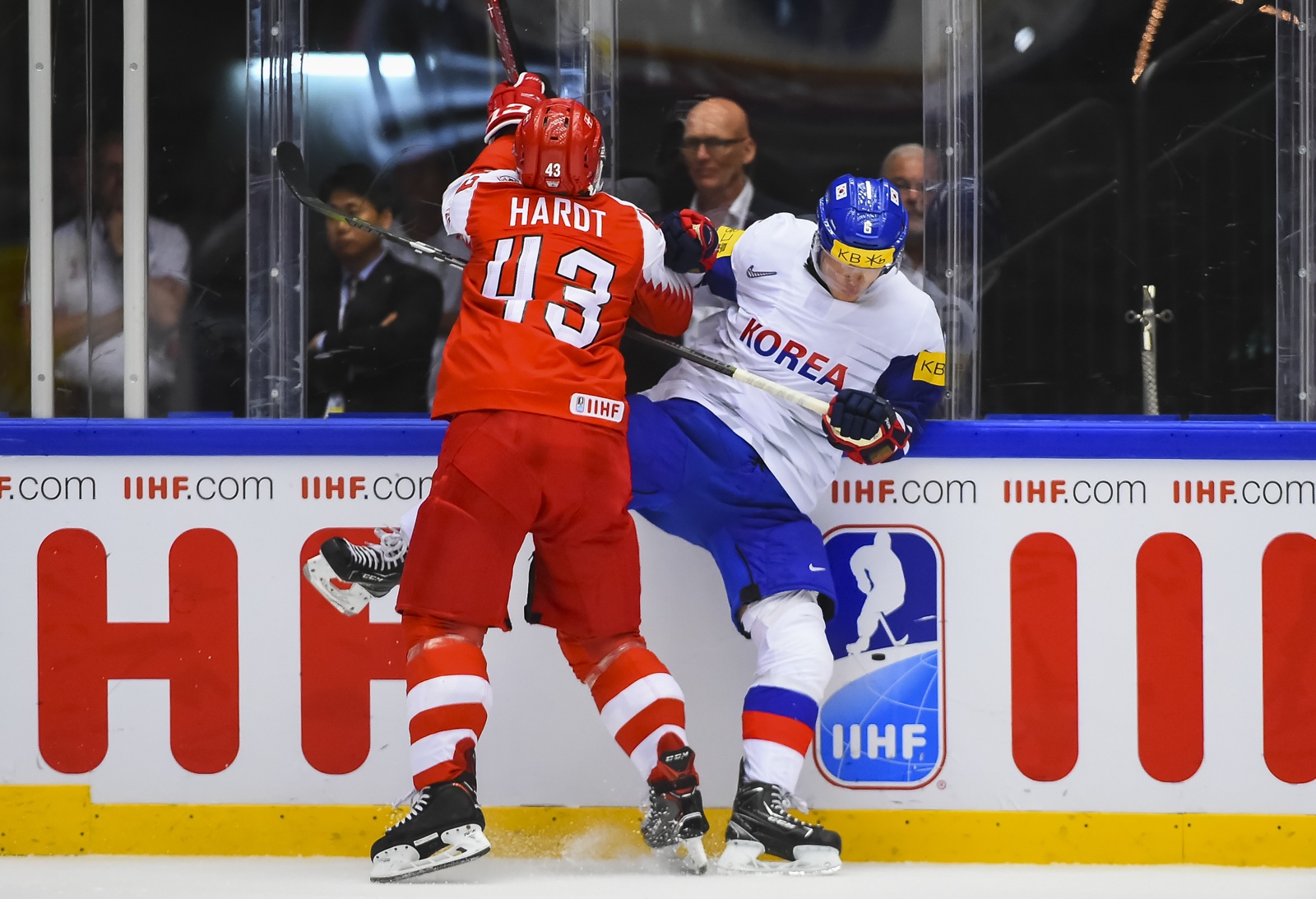 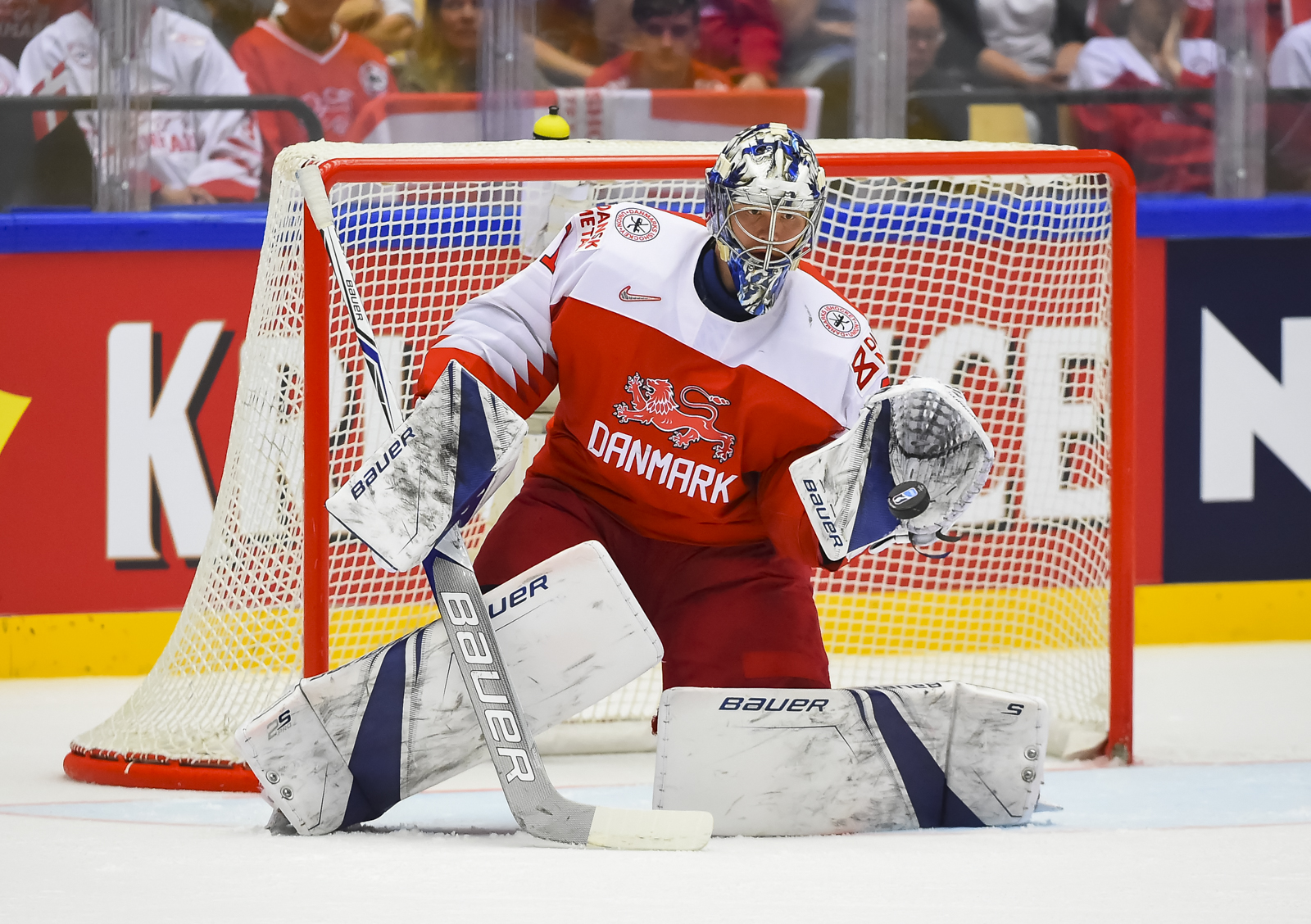 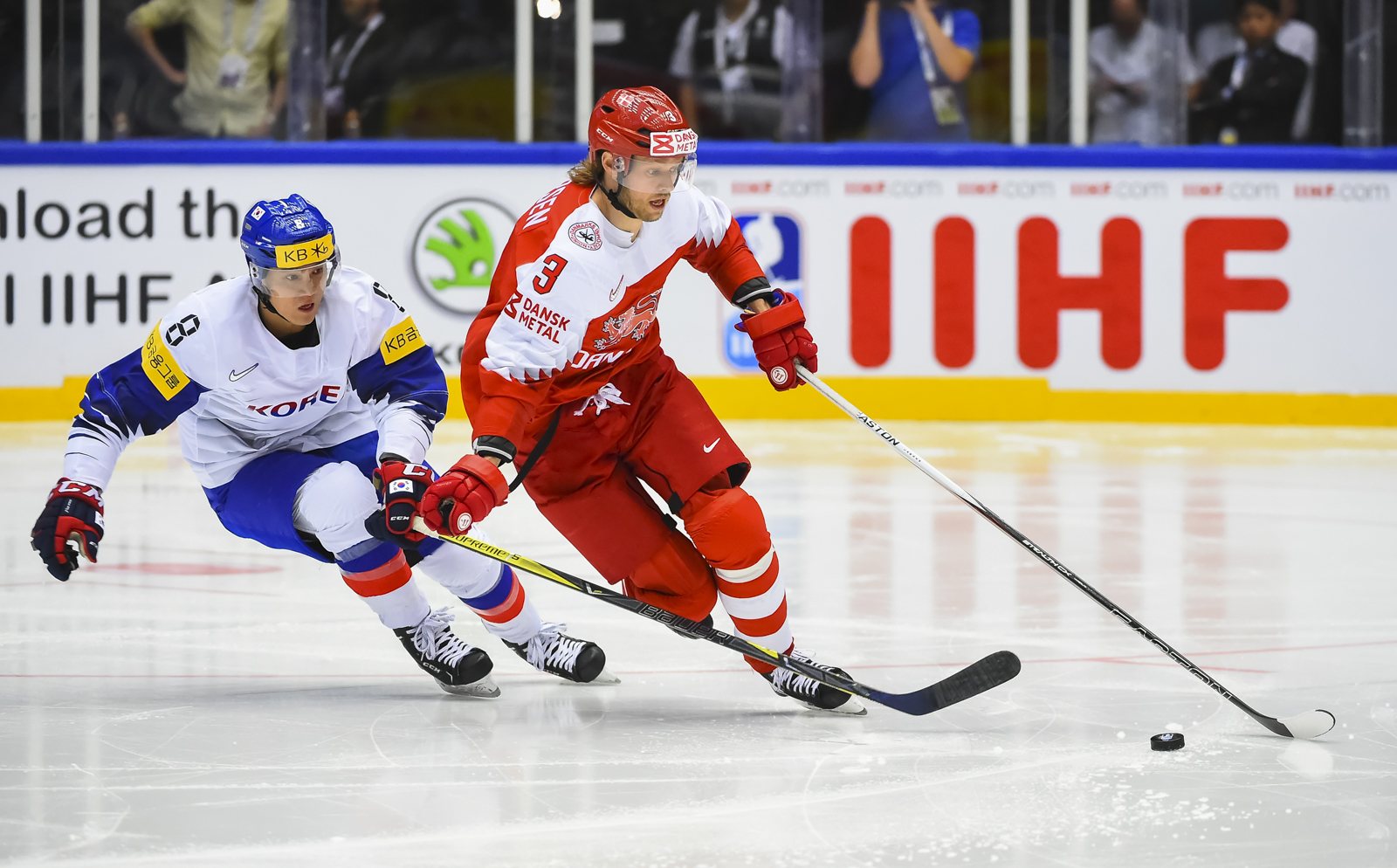 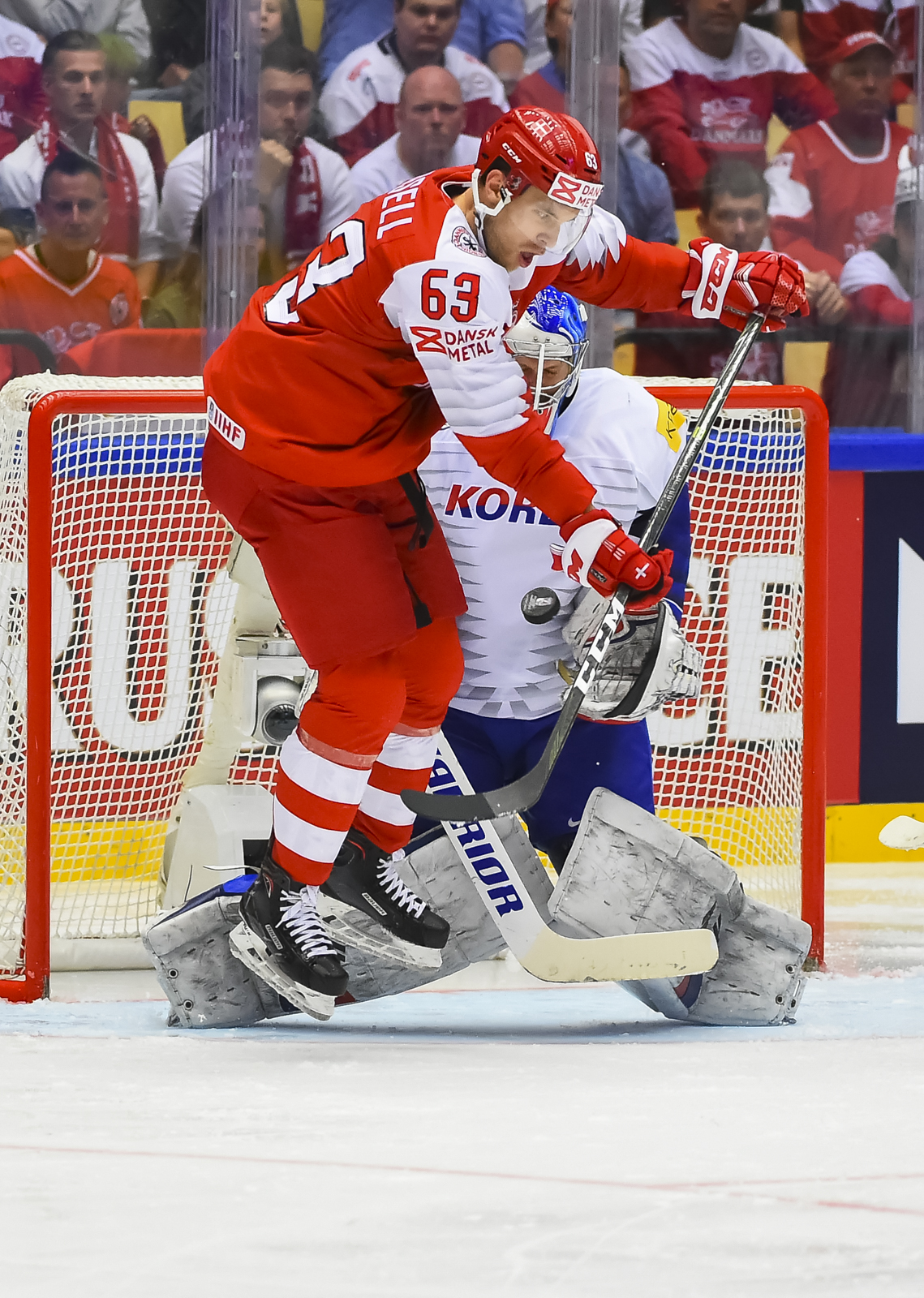 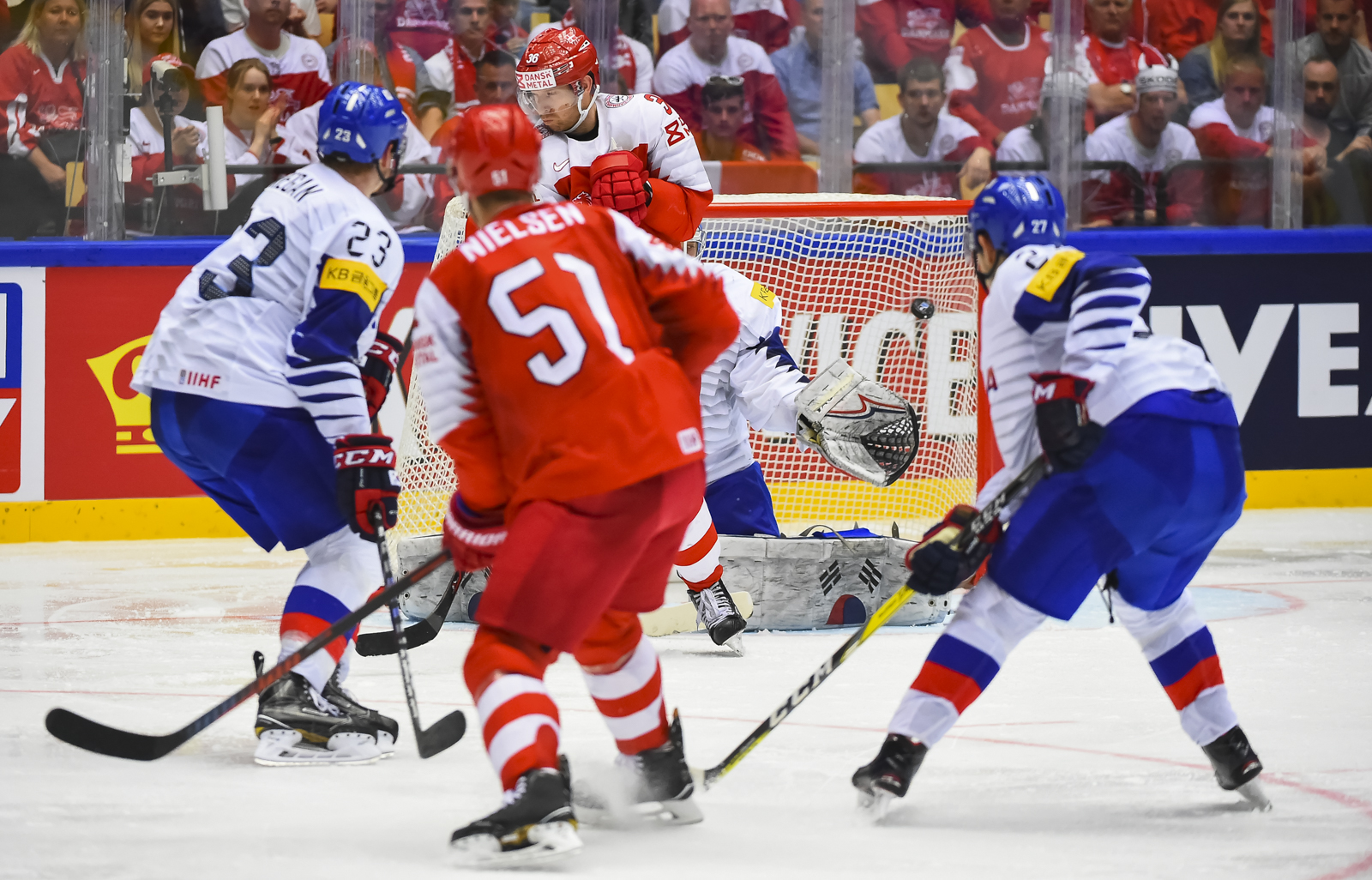 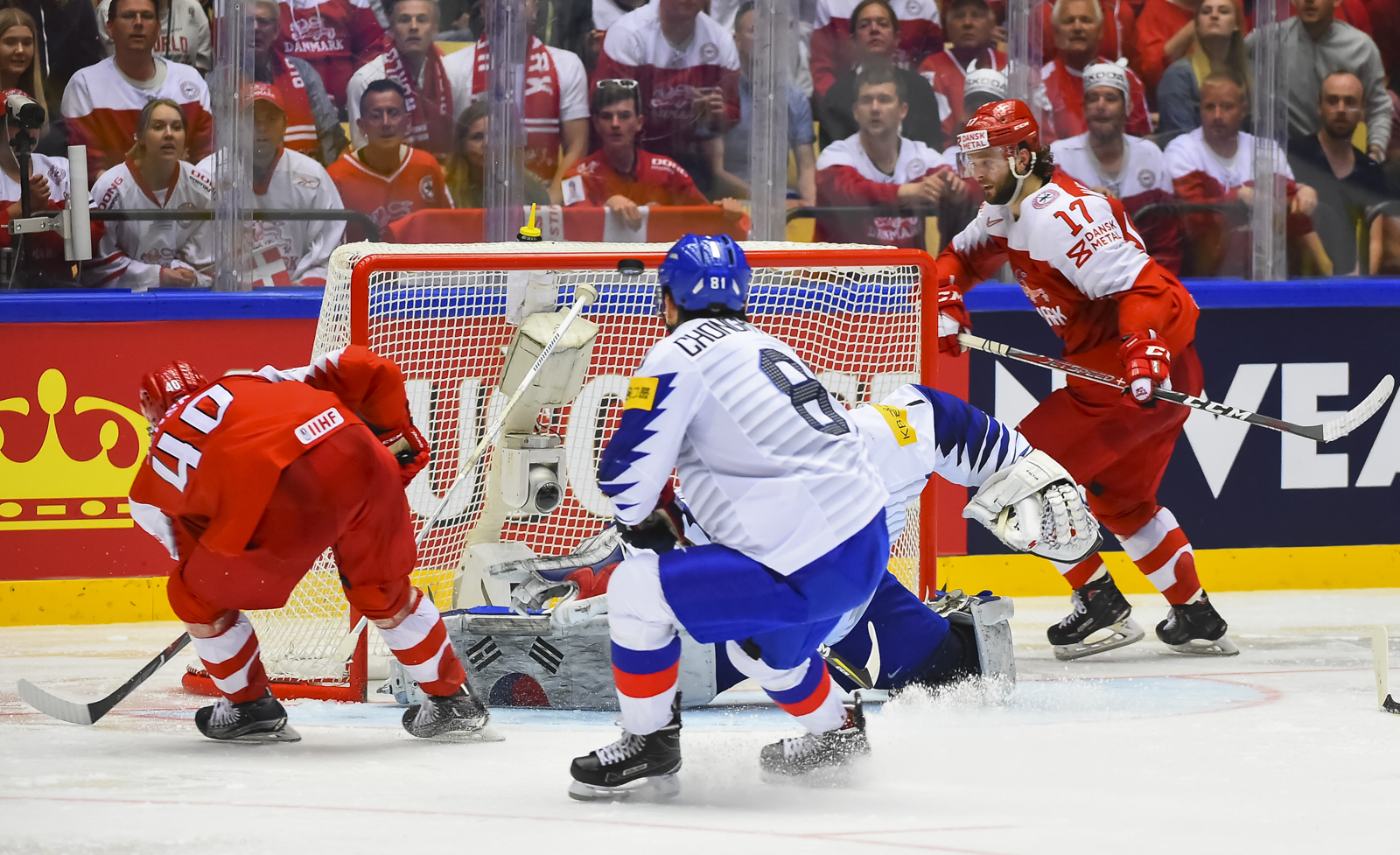 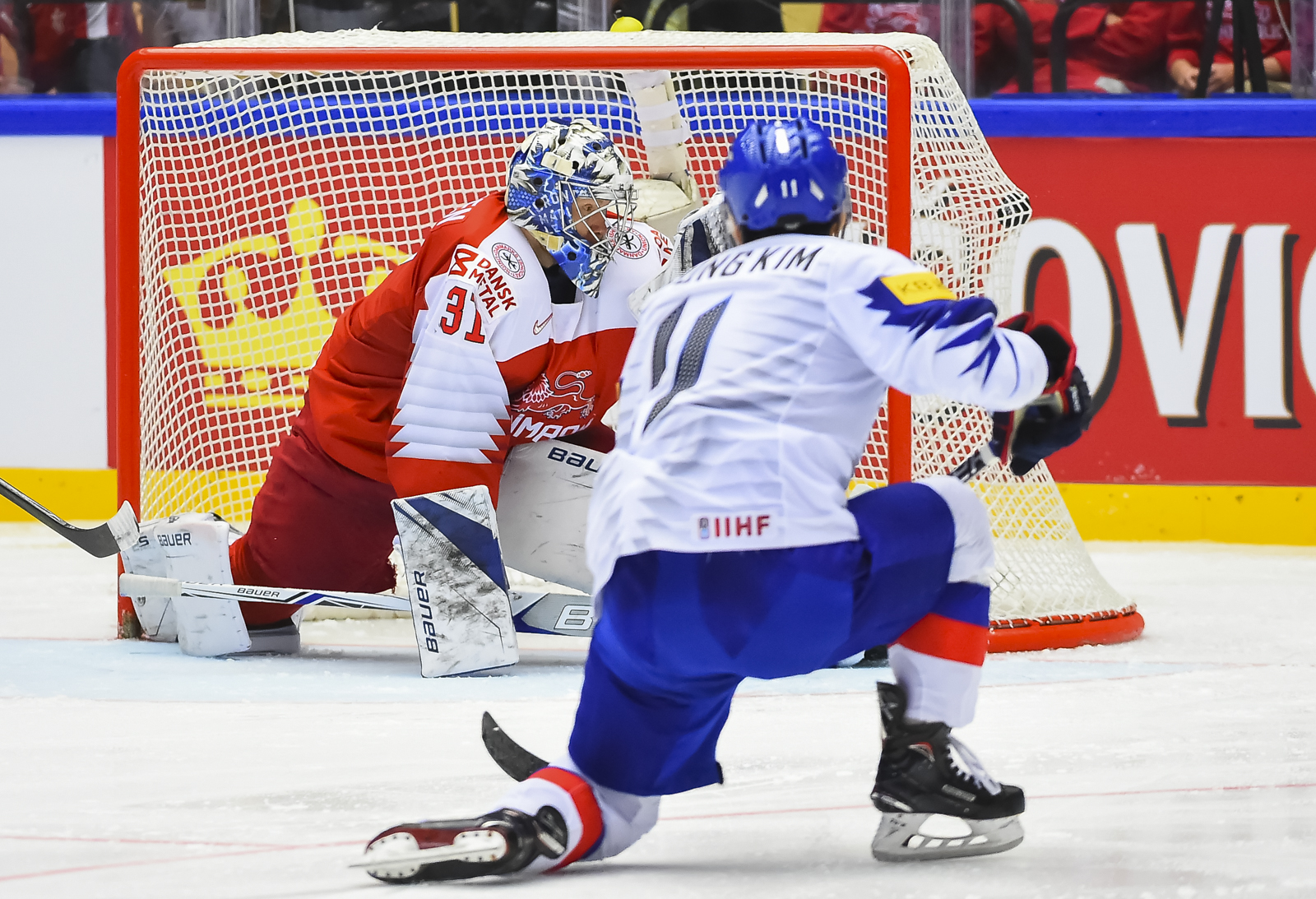 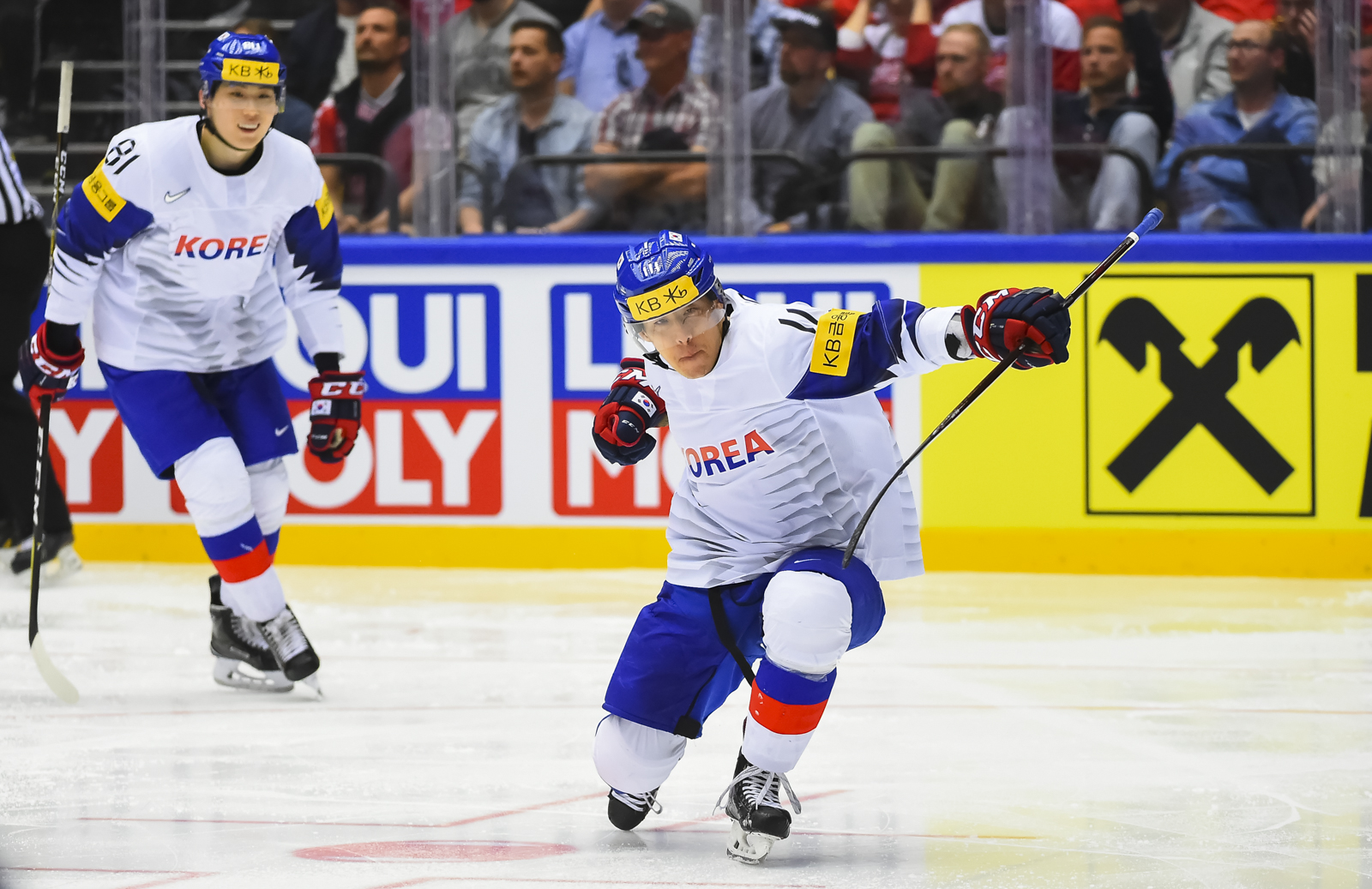 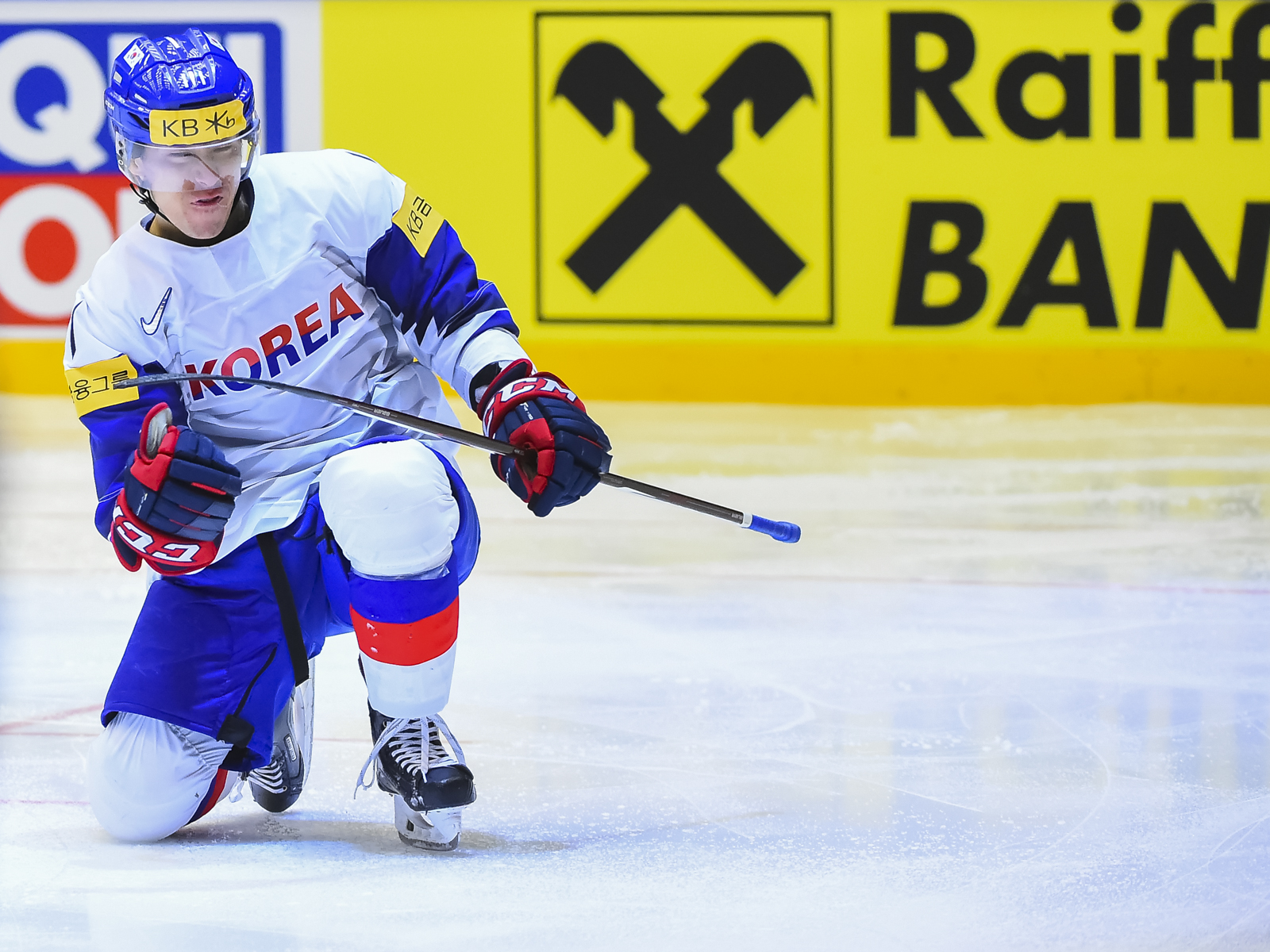 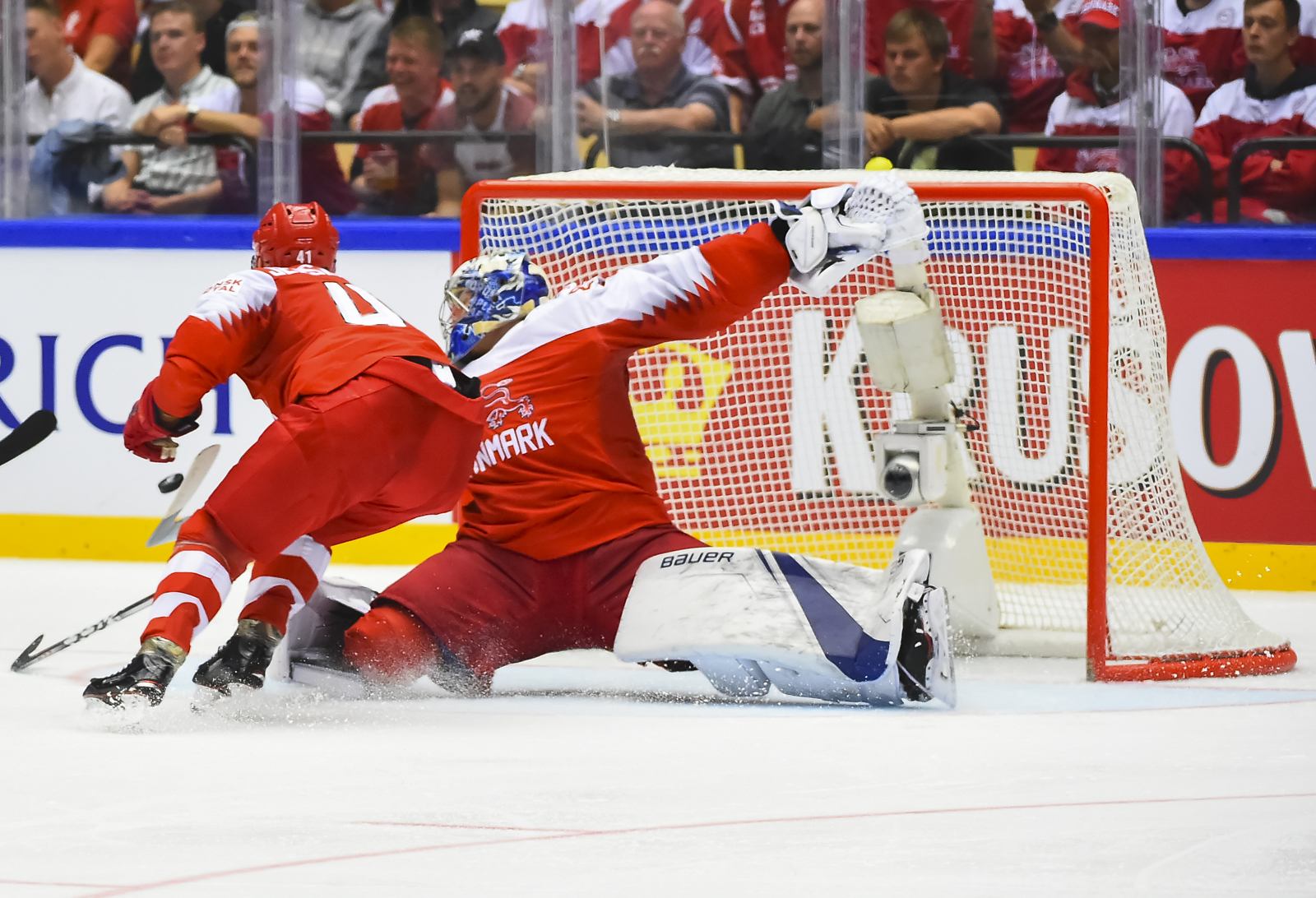 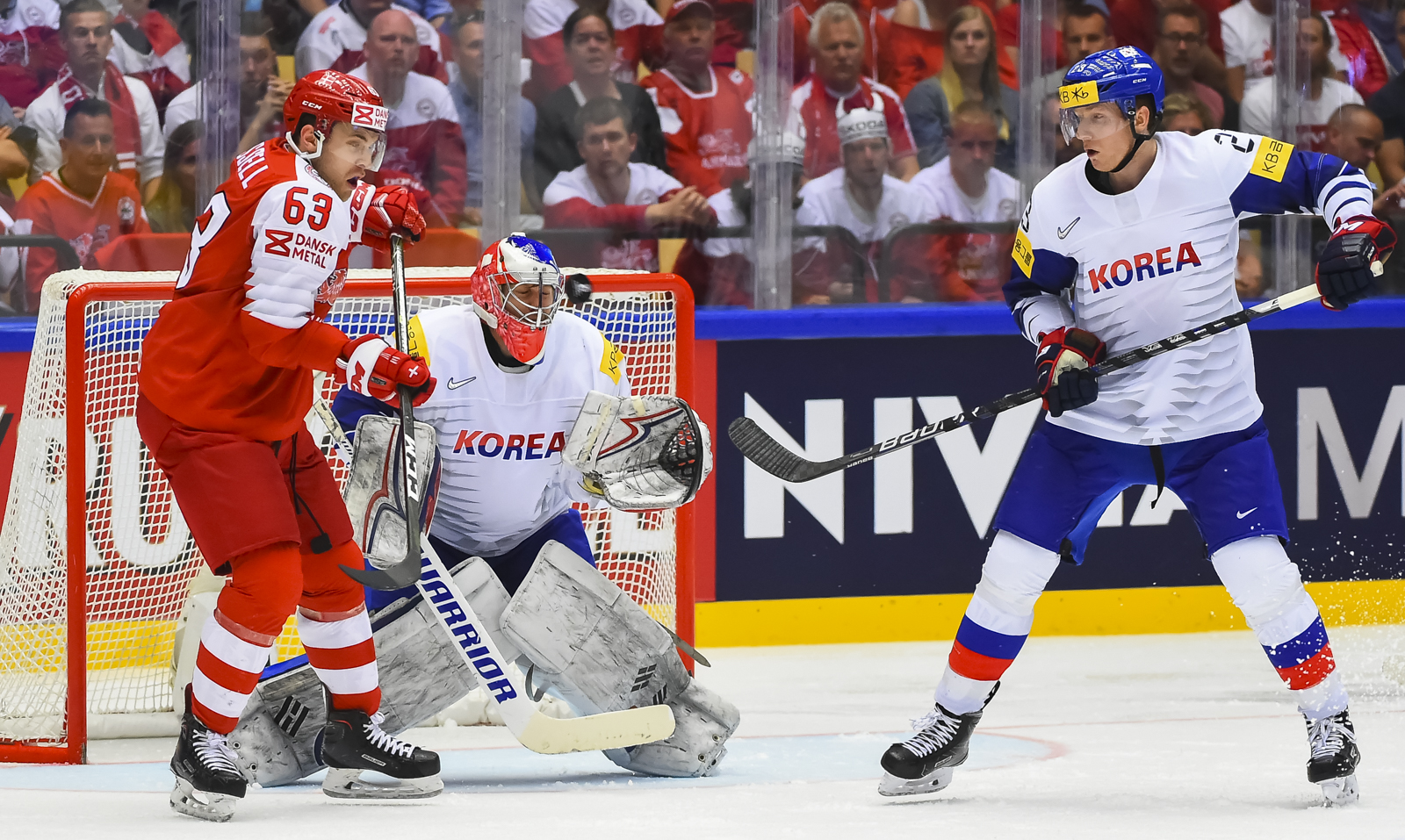 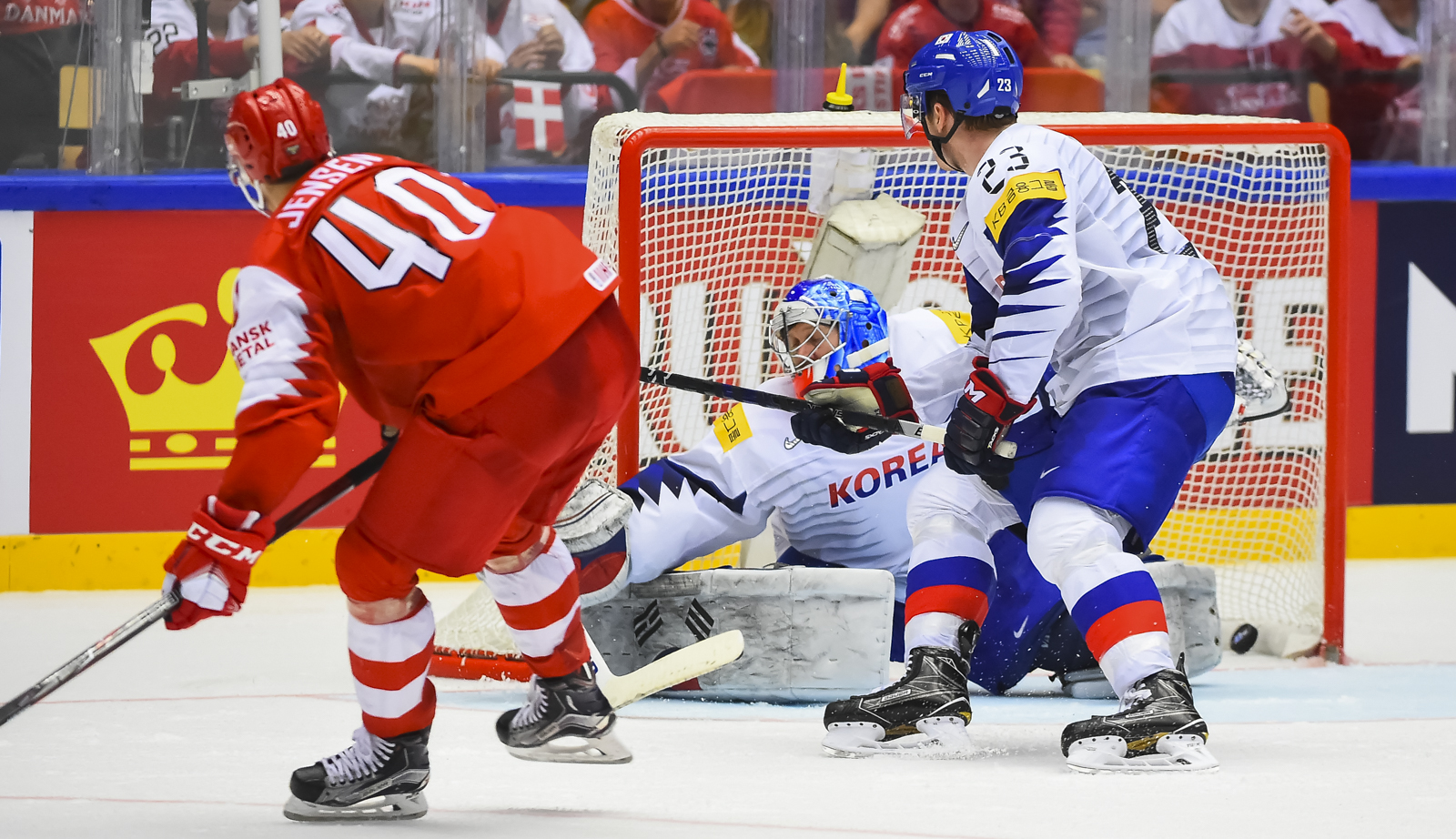 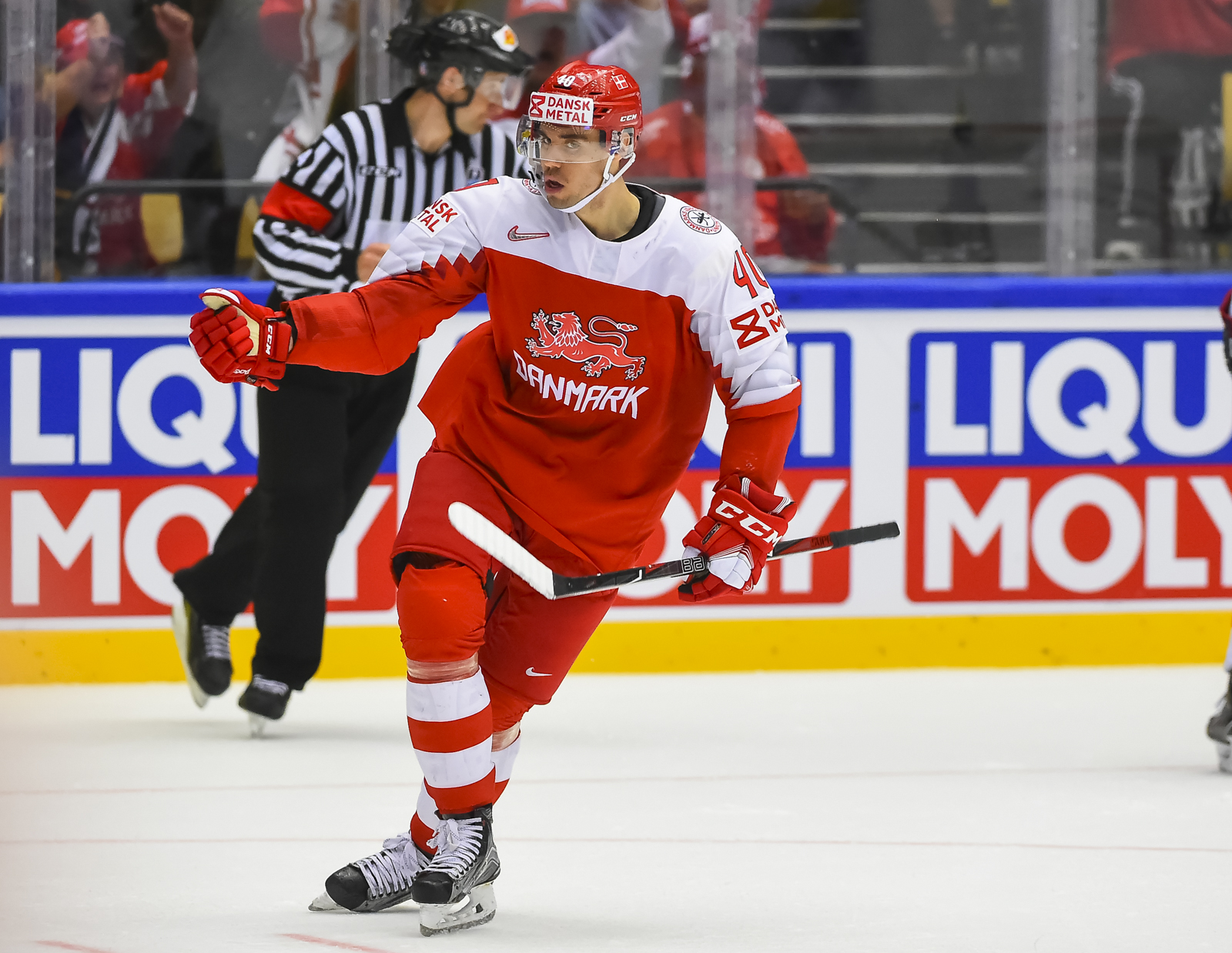 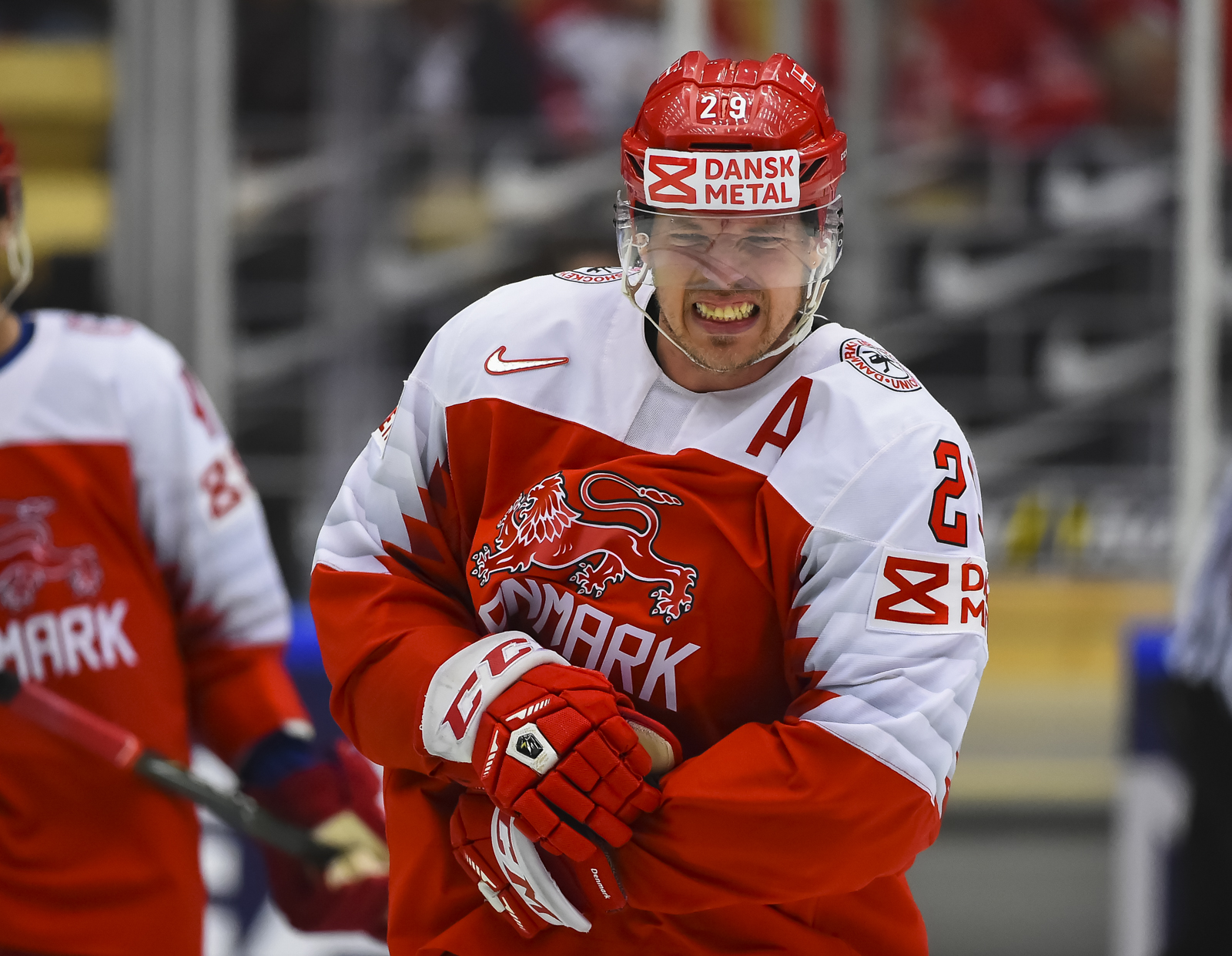 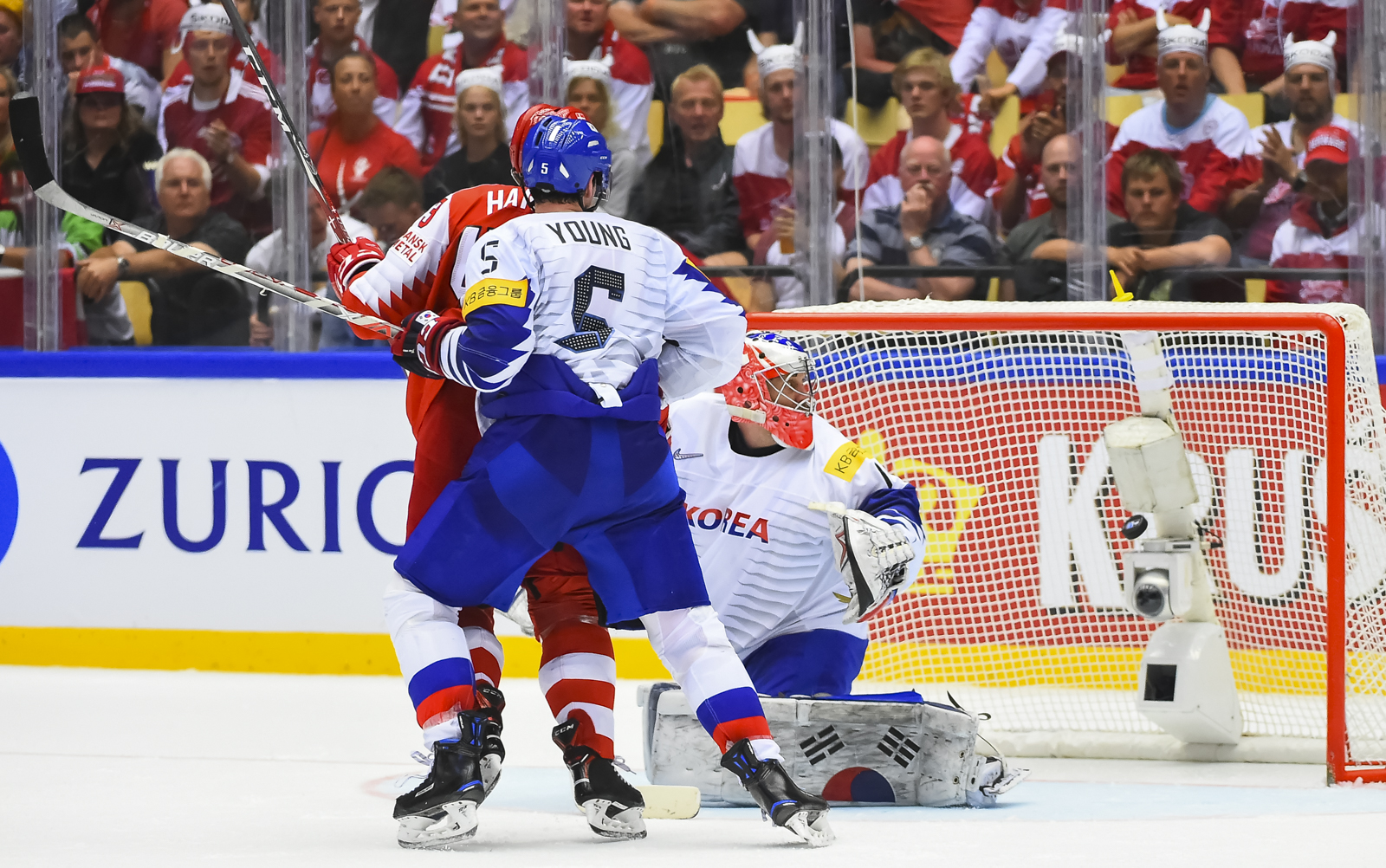 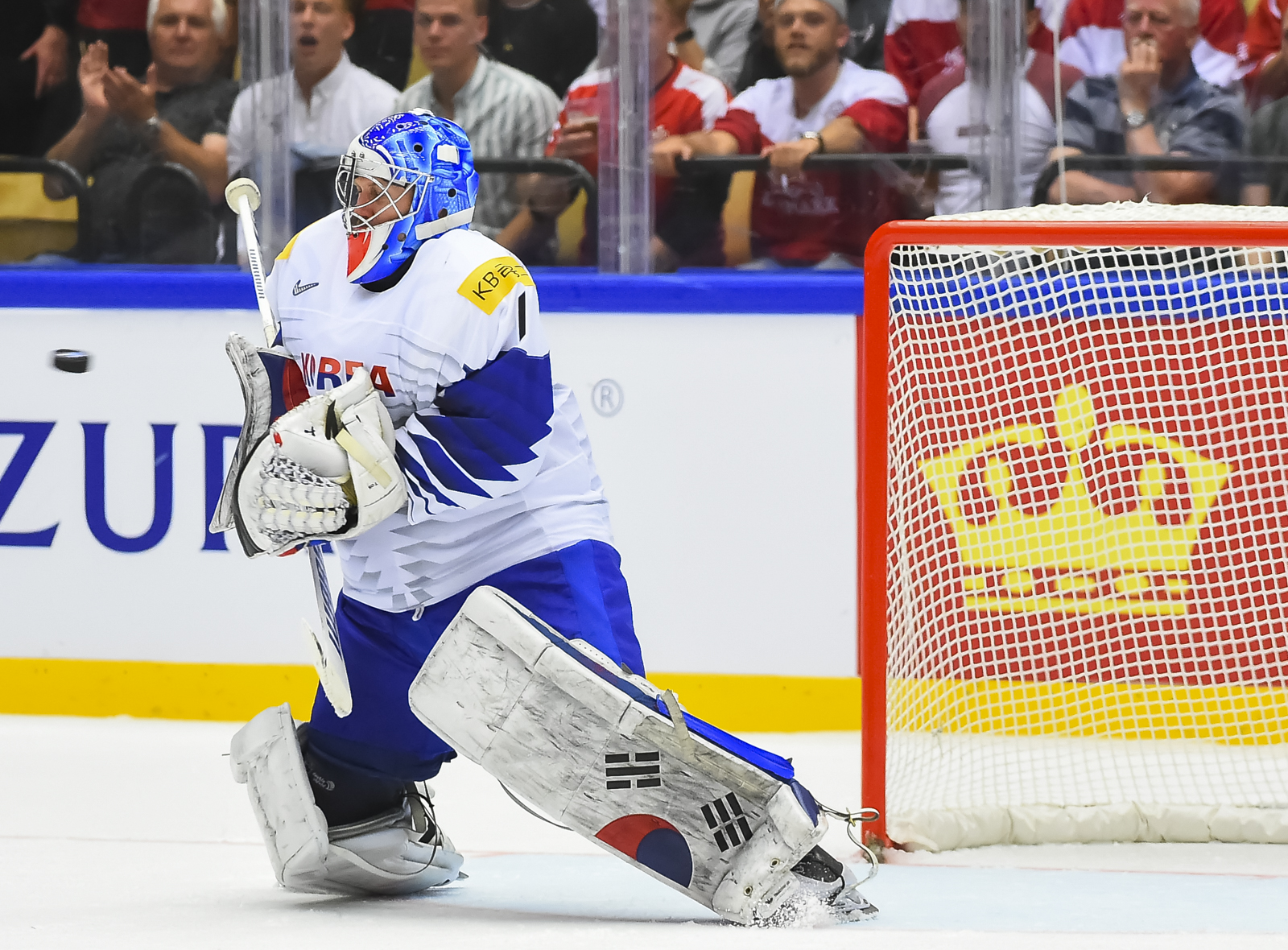 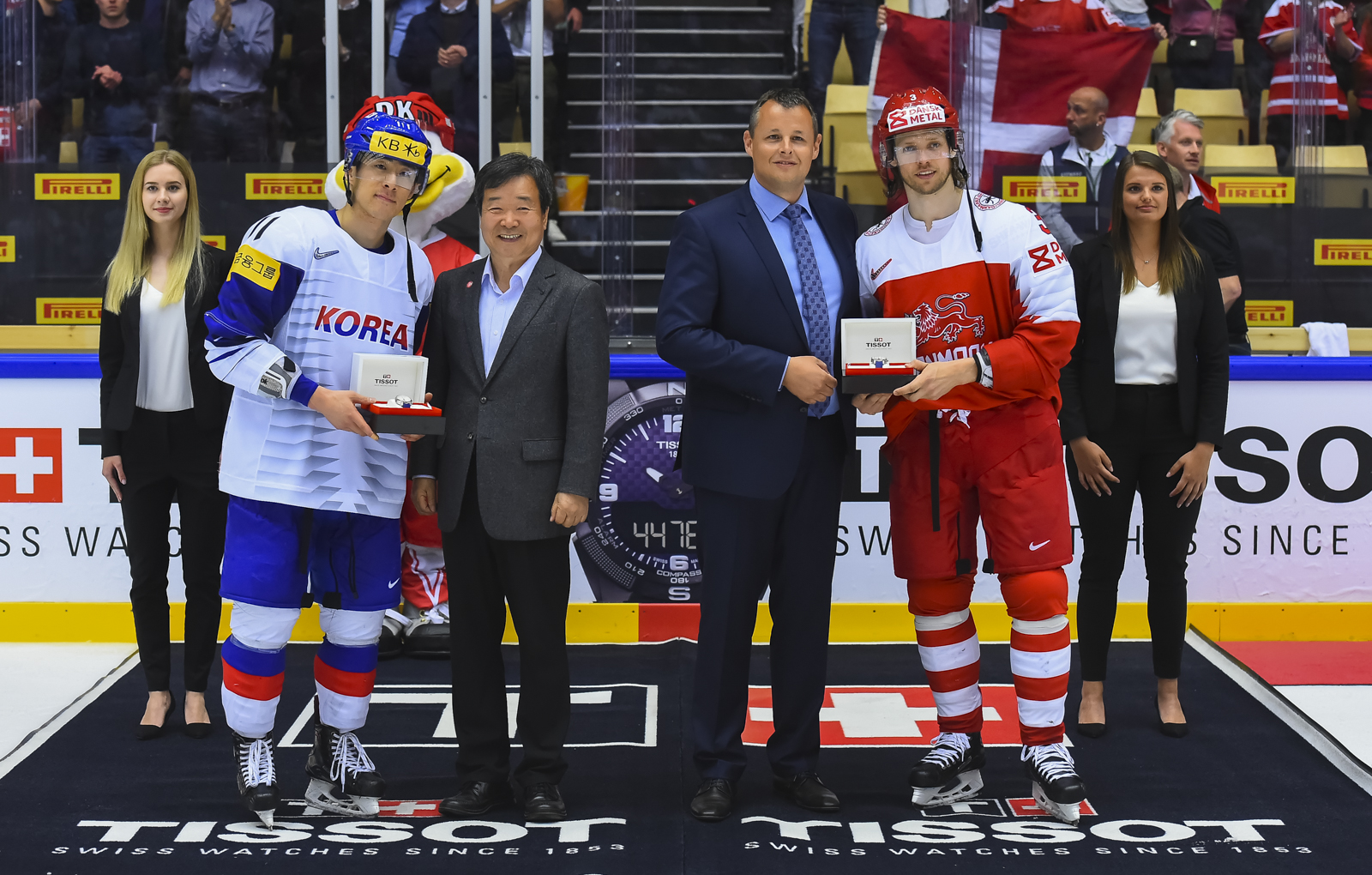 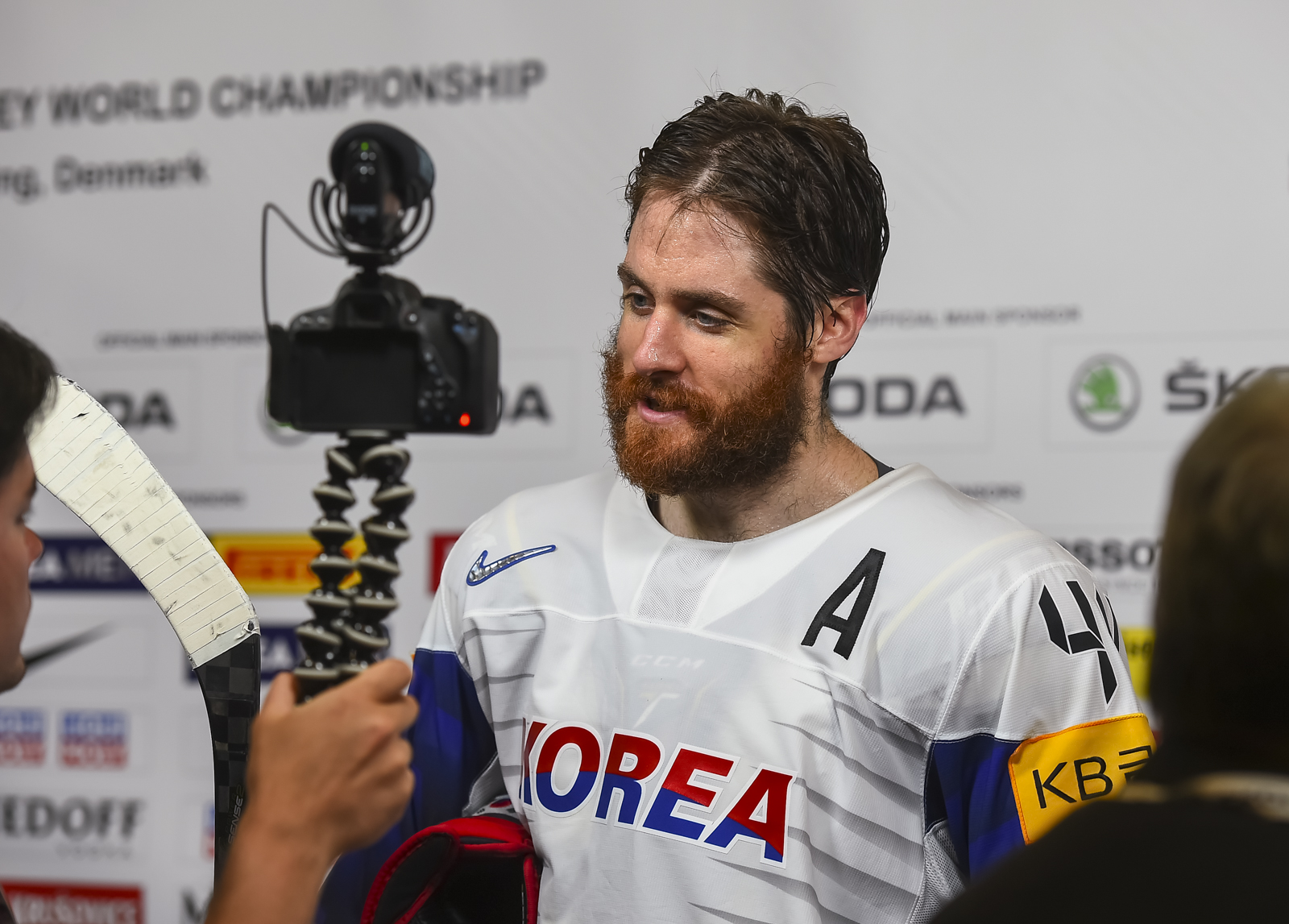 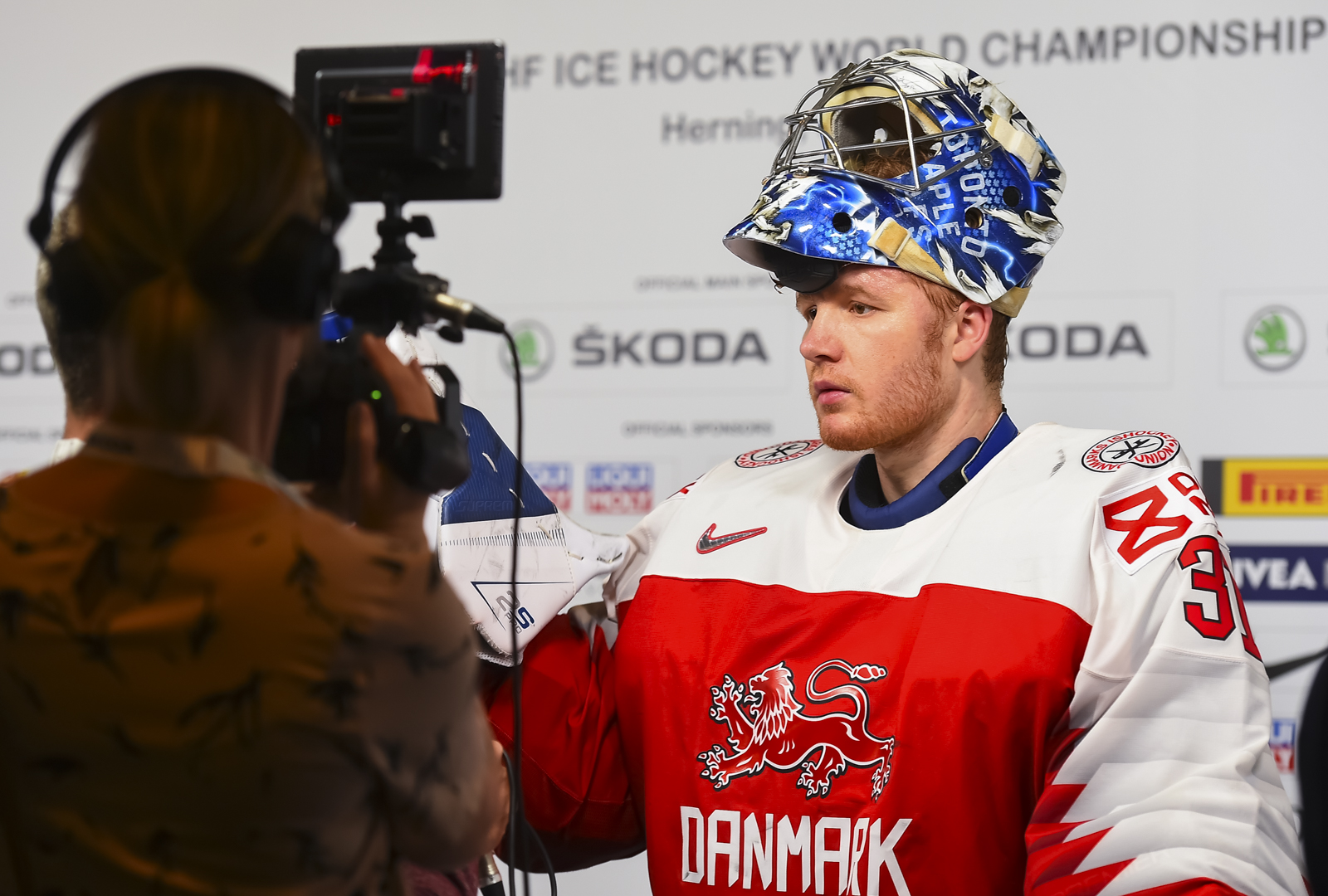 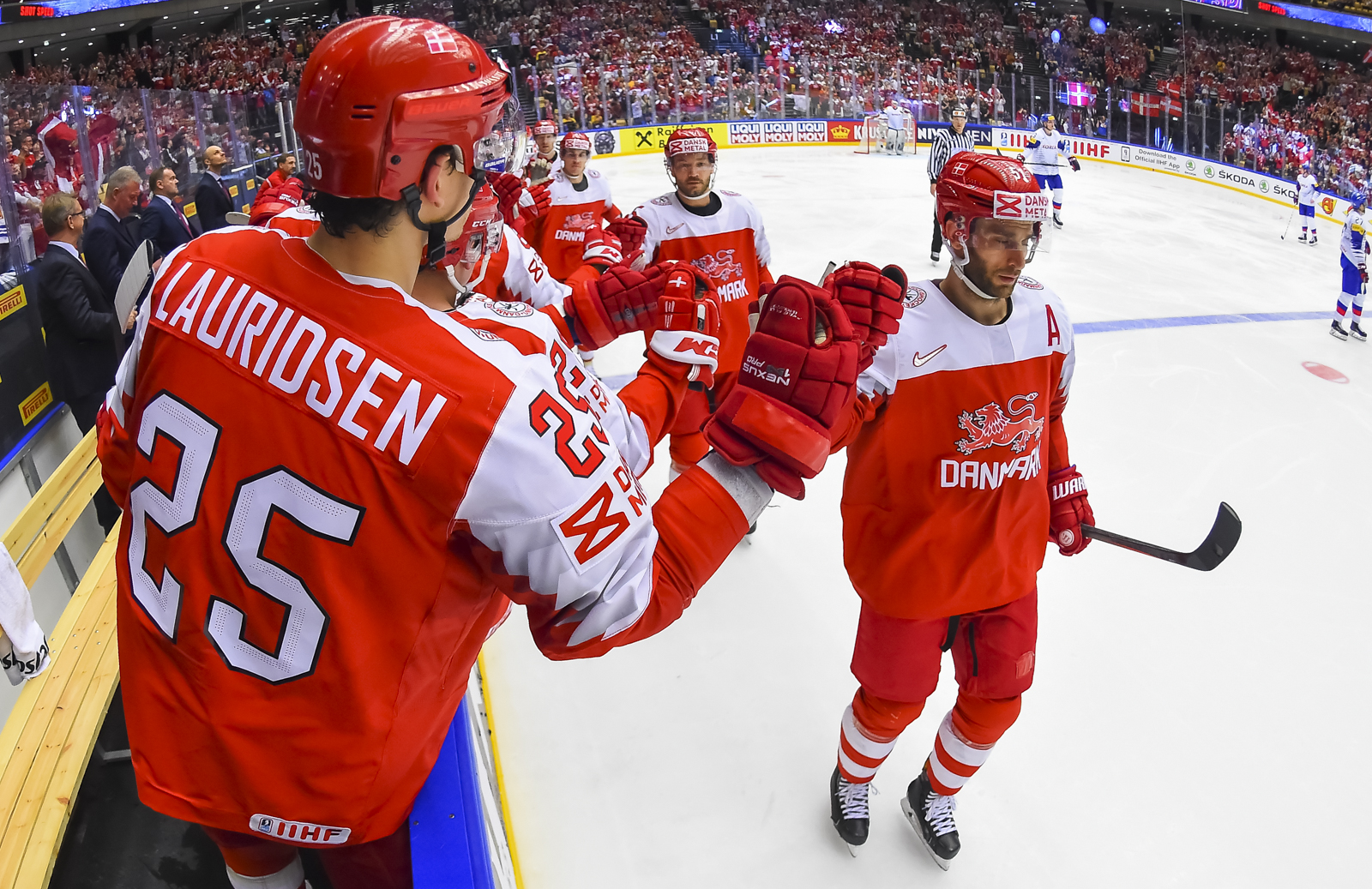 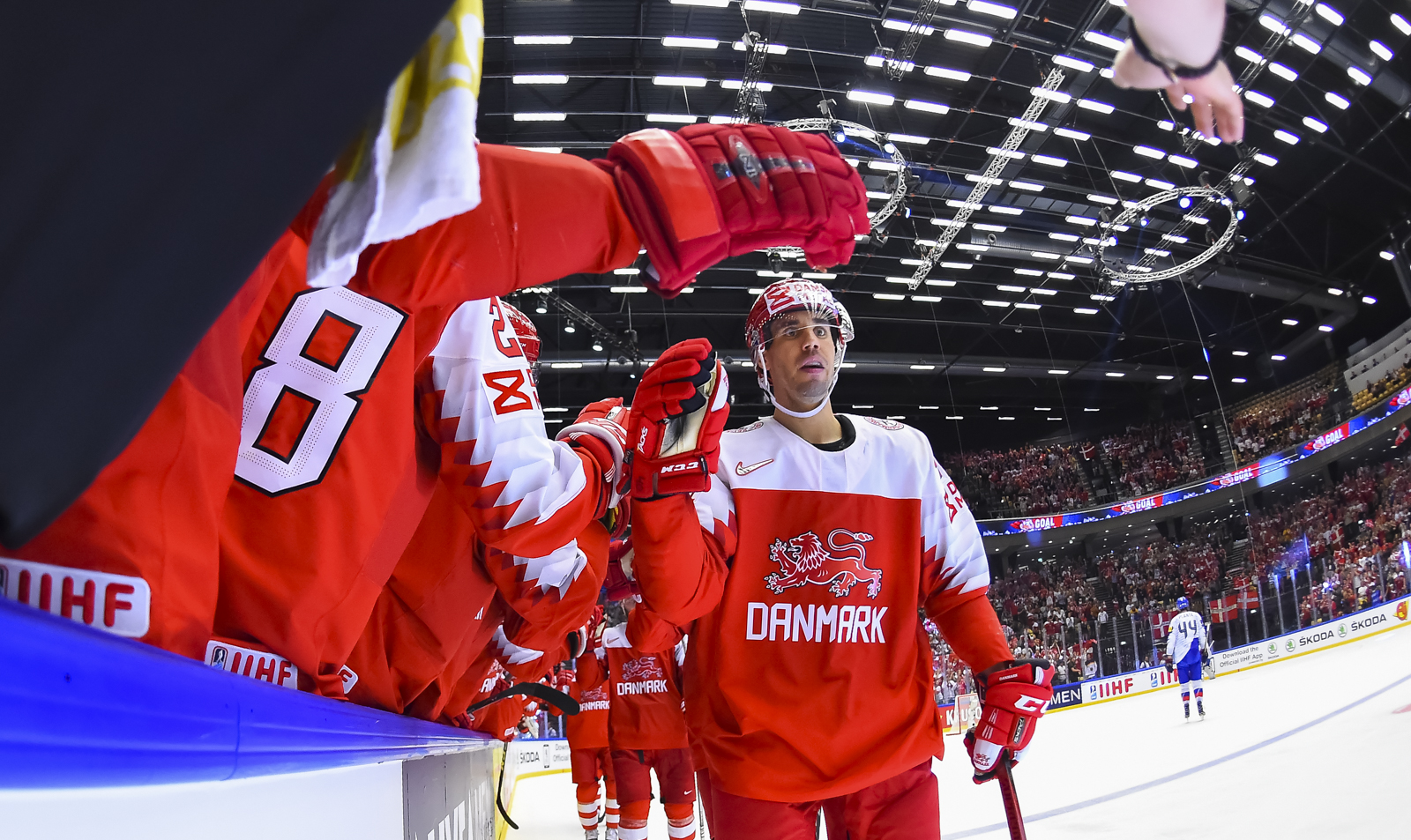 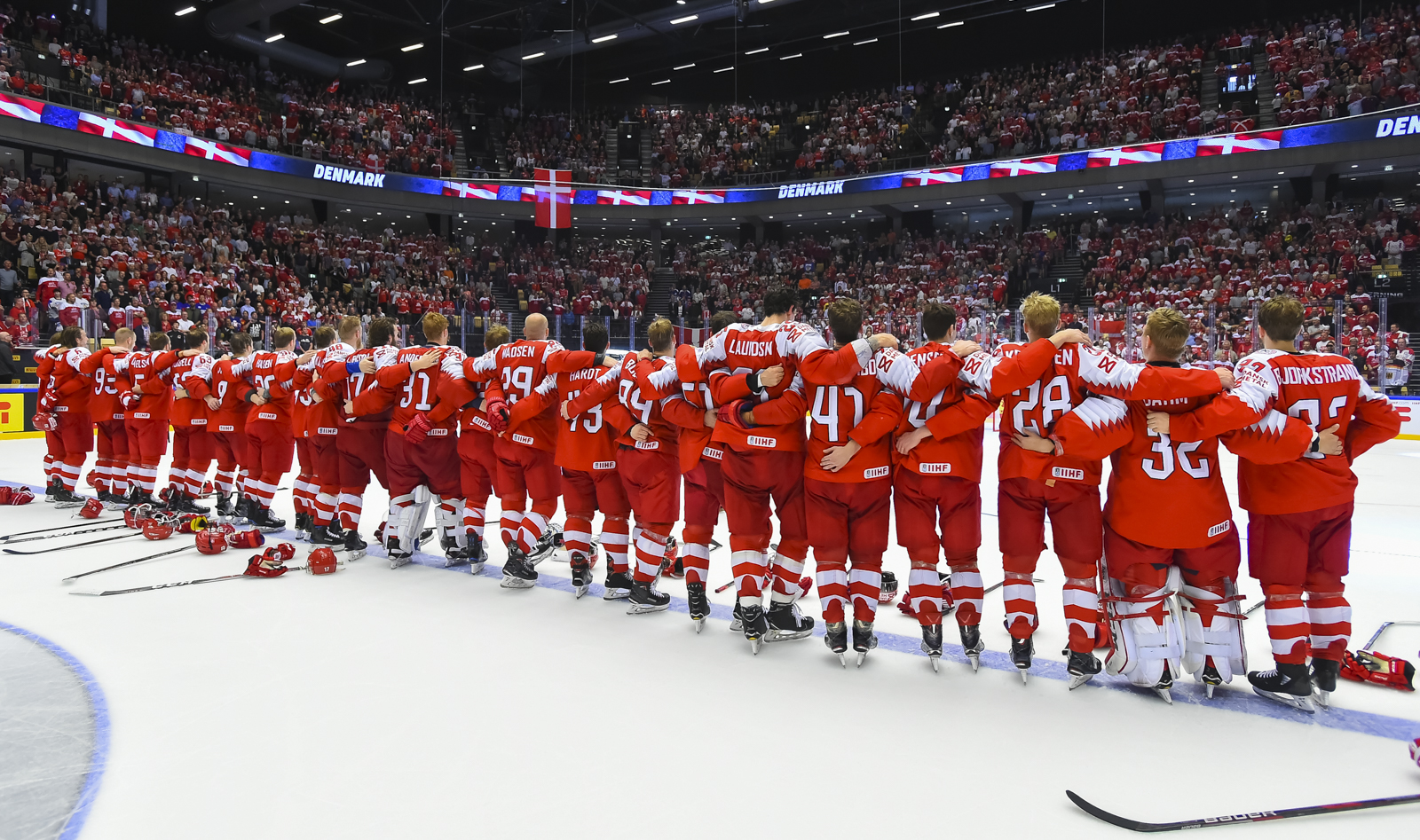