Early flourish sinks Austria
Tomas Hyka scores the opening goal for the Czech Republic in its victory over Austria.
photo: Andre Ringuette / HHOF-IIHF Images
share
The Czech Republic rounded off its Group A campaign with a win against Austria, with Tomas Hyka contributing three points in a 4-3 victory.

The Czech top line might have generated all the pre-game excitement but it was the bottom six that lit the fuse for this game. Just 31 seconds into the game, Dominik Kubalik’s shot pinballed off two Austrian players. The rebound dropped kindly: the forward flashed out a stick to slide the puck into Hyka’s path and the Chicago Wolves man duly put away the early opener.

Within two minutes, the score was doubled. Jakub Krejcik’s point shot was redirected in mid-flight by 18-year-old Filip Chtyl, who became the youngest Czech scorer at a World Championship.
"It was one of the nicest of my career. I didn't know that I was the youngest, the media told me that after the game."
Filip Chtyl
Czech forward
For Austrian goalie David Kickert, making his World Championship debut, it was in danger of turning into a nightmare start.

"We were winning 2-0 after three minutes but it turned into a tough game," Chtyl said. "They played very well."

In truth, though, Monday evening’s game had little riding on it. The Czechs were certain to finish third in Group A and make the trip to Herning to play the Group B runner-up in the last eight. Austria, having fulfilled its survival mission, could manage no higher than sixth place. Once the Czechs produced that lightning start there seemed little likelihood of the Austrians snapping a seven-game losing streak against this opponent.
World Men
Czech Republic vs. Austria
The Czech Republic rounded off its Group A campaign with a win against Austria, with Tomas Hyka contributing three points in a 4-3 victory.
CZE AUT 14 MAY 2018
The Czech Republic dominated, as expected, without really producing the kind of devastating offensive power seen in recent games. Austria hung in there but rarely got close to Pavel Francouz’s net. But that all changed late in the opening frame. Austria got a goal back through Konstantin Komarek, left all alone on the slot to convert after Fabio Hofer made it along the goal line relatively unhindered.

"4-3 against the Czechs is a pretty good result for us," reflected Komarek. "Of course, we wanted to get the last win there but we kept them busy all game long which is good for us.

"Our first game here was really good. Then we had two or three games that were not OK, 7-0 against two of the opponents. Then in the most important game, we played an almost perfect game for us. We managed to stay up. Now today, we had a good finish. Overall, I’m pretty happy with our tournament."

The defence did not learn from that lapse and Austria might have tied the game going into the intermission. Patrick Spannring got ahead of his man down the left channel and whipped the puck across the face of goal for Daniel Woger to shoot against the outside of the post from a tight angle.

Austria then had a power play chance at the start of the second period but was unable to step up the pressure.

Back to full strength, the Czechs restored their two-goal advantage in the 26th minute when Kubalik’s one-timer beat Kickert’s blocker and crept inside the post. The goalie’s cause was not helped by traffic in front of him as Patrick Peter chased Roman Horak across the face of goal as Kubalik unleashed his shot. Hyta repaid Kubalik’s assist on his opening goal with the feed for this strike.

The debutant netminder had more joy as that Czech top line got into the game. David Krejci fed David Pastrnak, who saw his shot saved; Dmitrij Jaskin sought out the rebound but Kickert got his pad down to make the stop.

Austria had a great chance to get back into the game early in the third period when it had 100 seconds of 5-on-3 power play. However, the Czech PK, running at a decidedly ordinary 66.67% prior to this game, limited the Alpine nation to just one significant opening for Michael Raffl and preserved its two-goal cushion.

Hyka then got his second of the night as the Czechs put together another slick triangle of passes in the Austrian zone. Kubalik was involved once again before Radek Faksa played the puck back from the goal line for Hyka to snaffle up a shooting chance from the face-off spot.

The Austrians still managed to give their fans one last hurrah in Copenhagen. Raffl grabbed two goals in the closing stages as an unlikely comeback suddenly became a possibility. First, the team’s best-known player was sent across the blue line by Clemens Unterweger’s long pass. He manoeuvred around David Sklenicka before putting a backhand finish onto the top shelf in front of the bulk of the Austrian supporters in the Royal Arena.

Then Raffl produced a fine goal, collecting the puck in centre ice and dancing around Tomas Repik before beating Francouz to set up an anxious couple of minutes for the Czechs. Manuel Ganahl clipped the outside of Francouz's post, Kickert shut the door on Pastrnak one last time and Josef Jandac saw his team close out the win.

Raffl's final flourish made things tense for most Czechs, but for Radko Gudas, his clubmate in Philadelphia, it was a reminder of what the Austrian can do for the Flyers.

"What he did today, he’s doing to all the guys in the NHL," Gudas said. "He scores important goals for us [in Philadelphia].
"He’s a powerful skater. He’s got a big frame. He’s good one-on-one. He showed that today. And obviously his shot is one of his biggest strengths. It’s pretty heavy and accurate."

Austria heads home having accomplished its mission and secured its place in the Elite Pool. The awards from the team's best players went to goalie Bernhard Starkbaum, defenceman Martin Schumnig and forward Peter Schneider.
Czech Republic vs. Austria 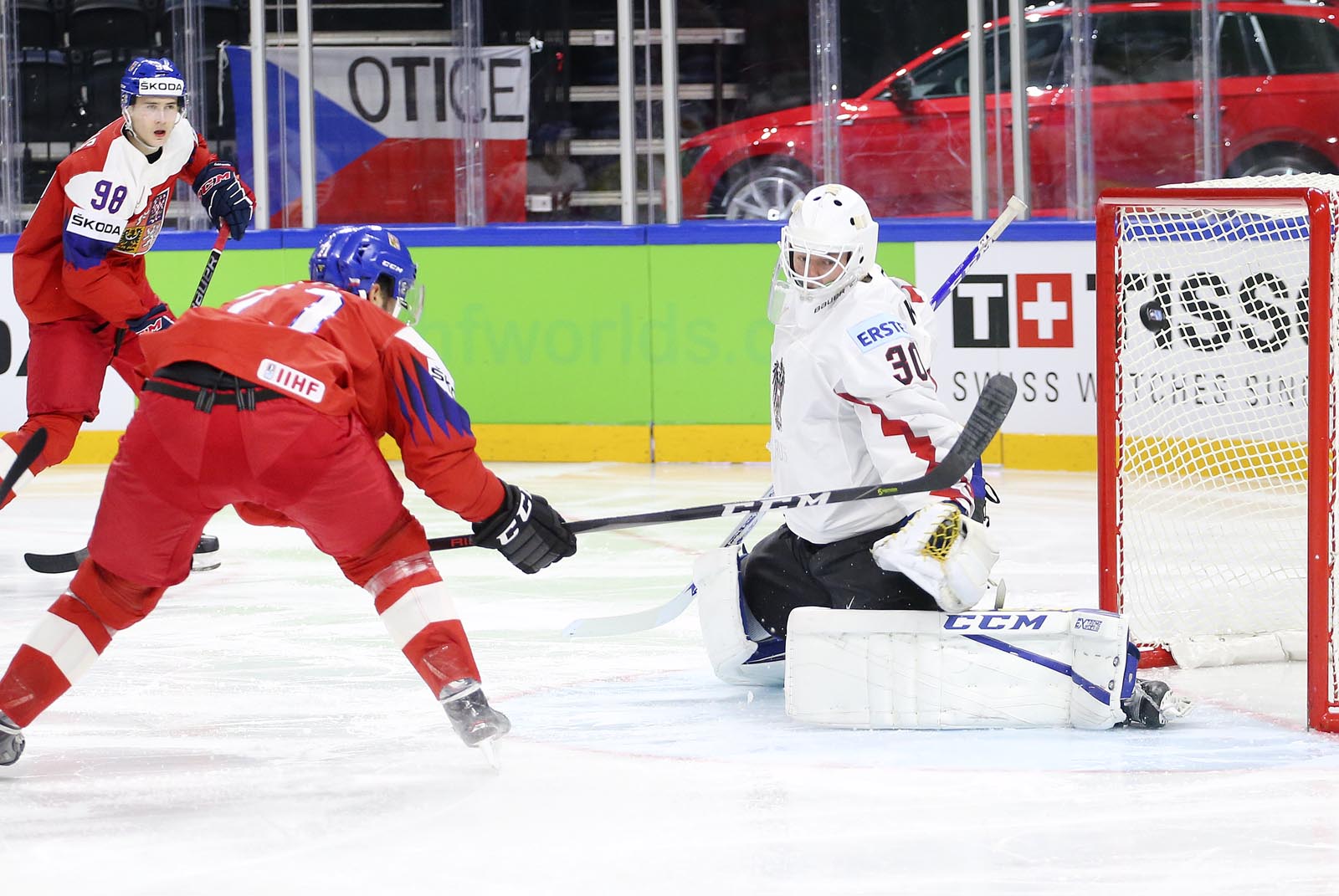 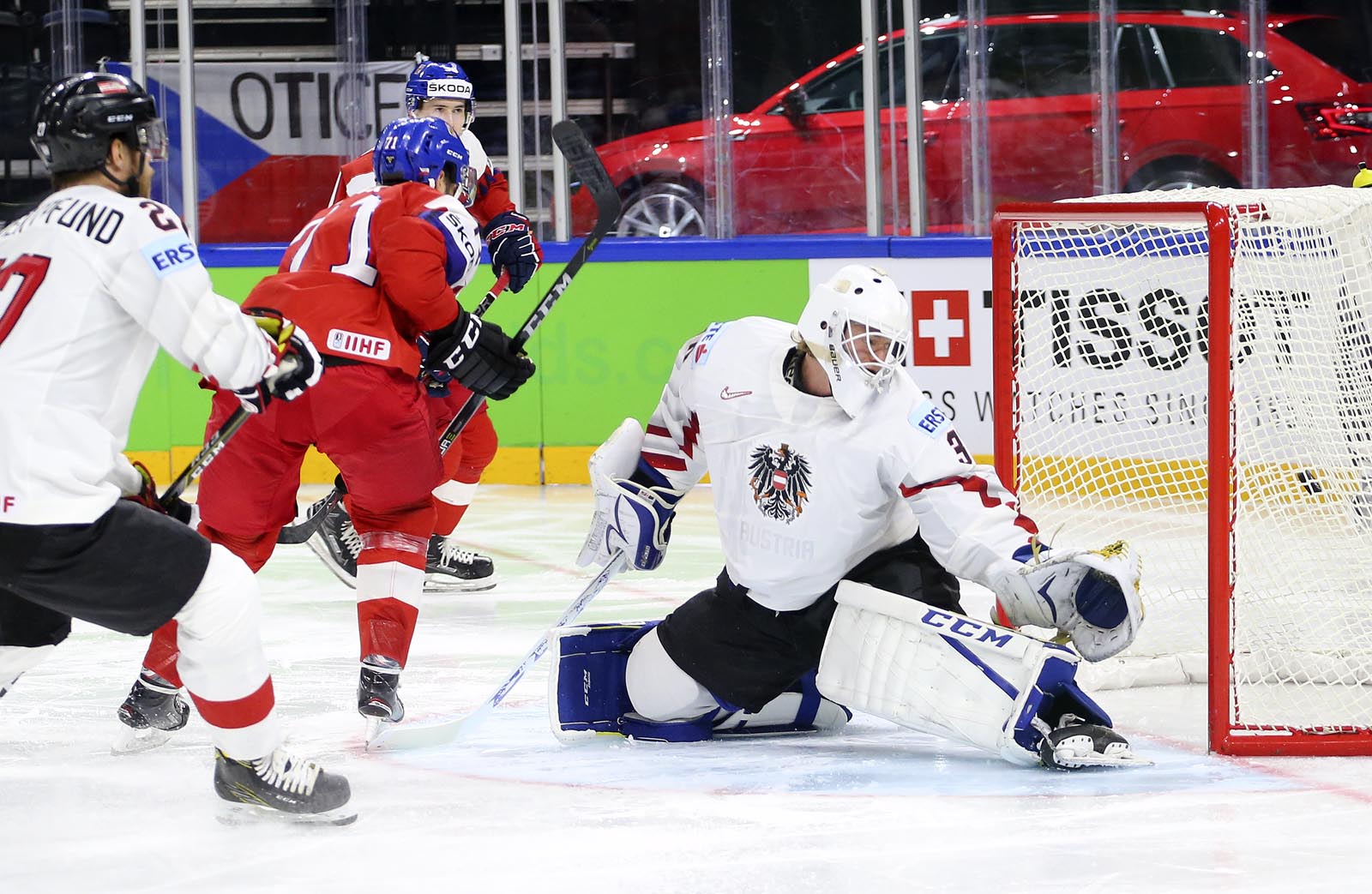 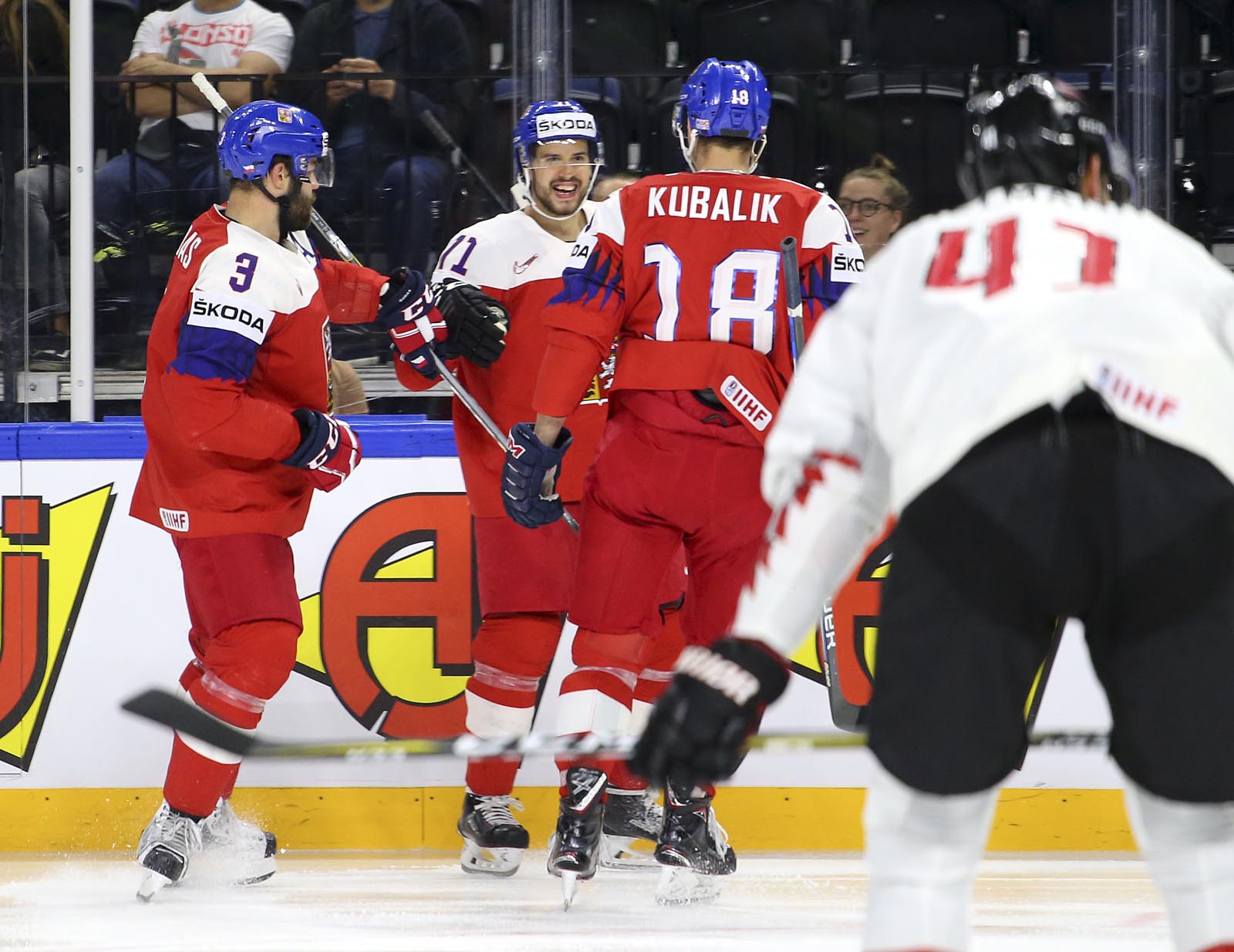 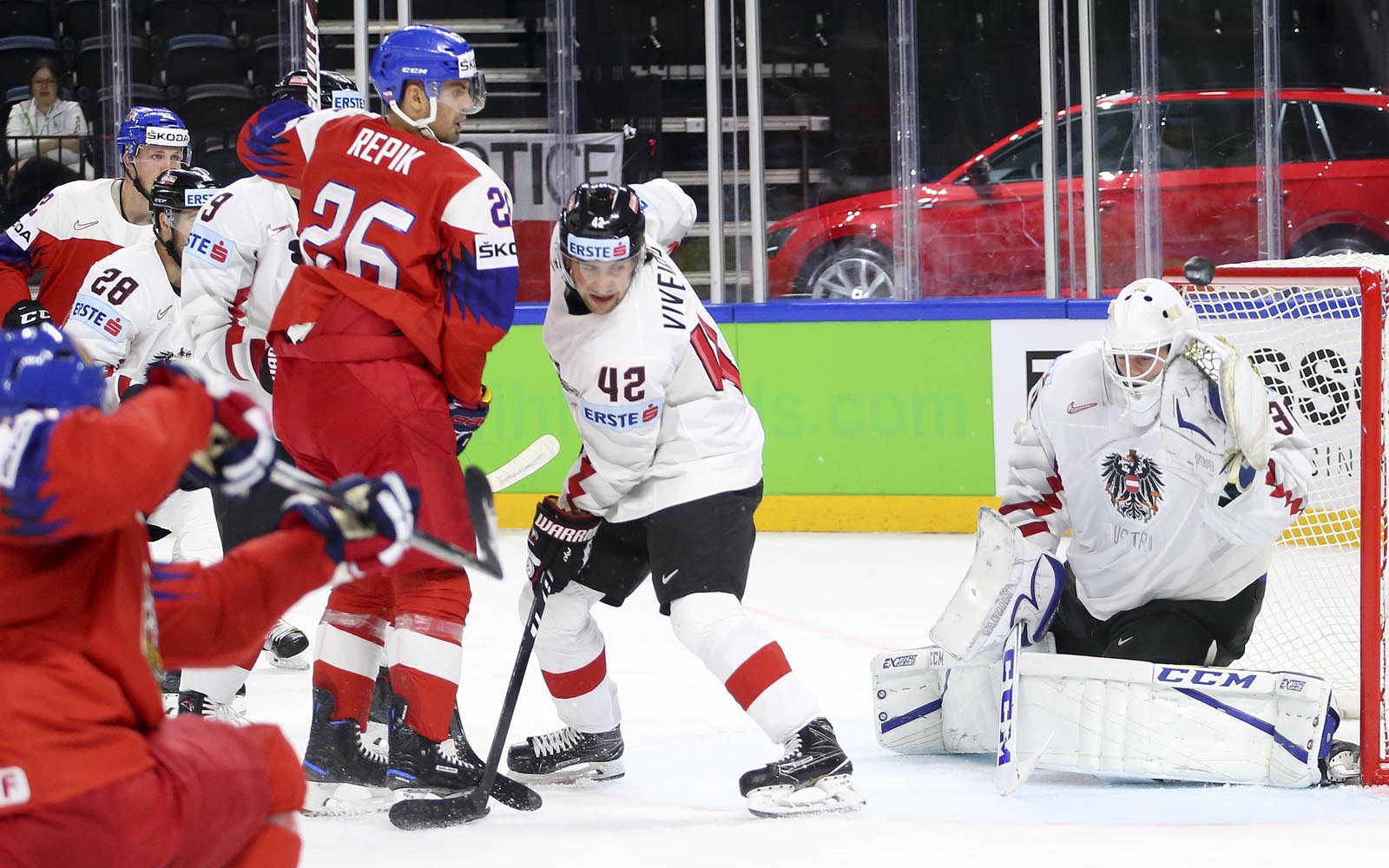 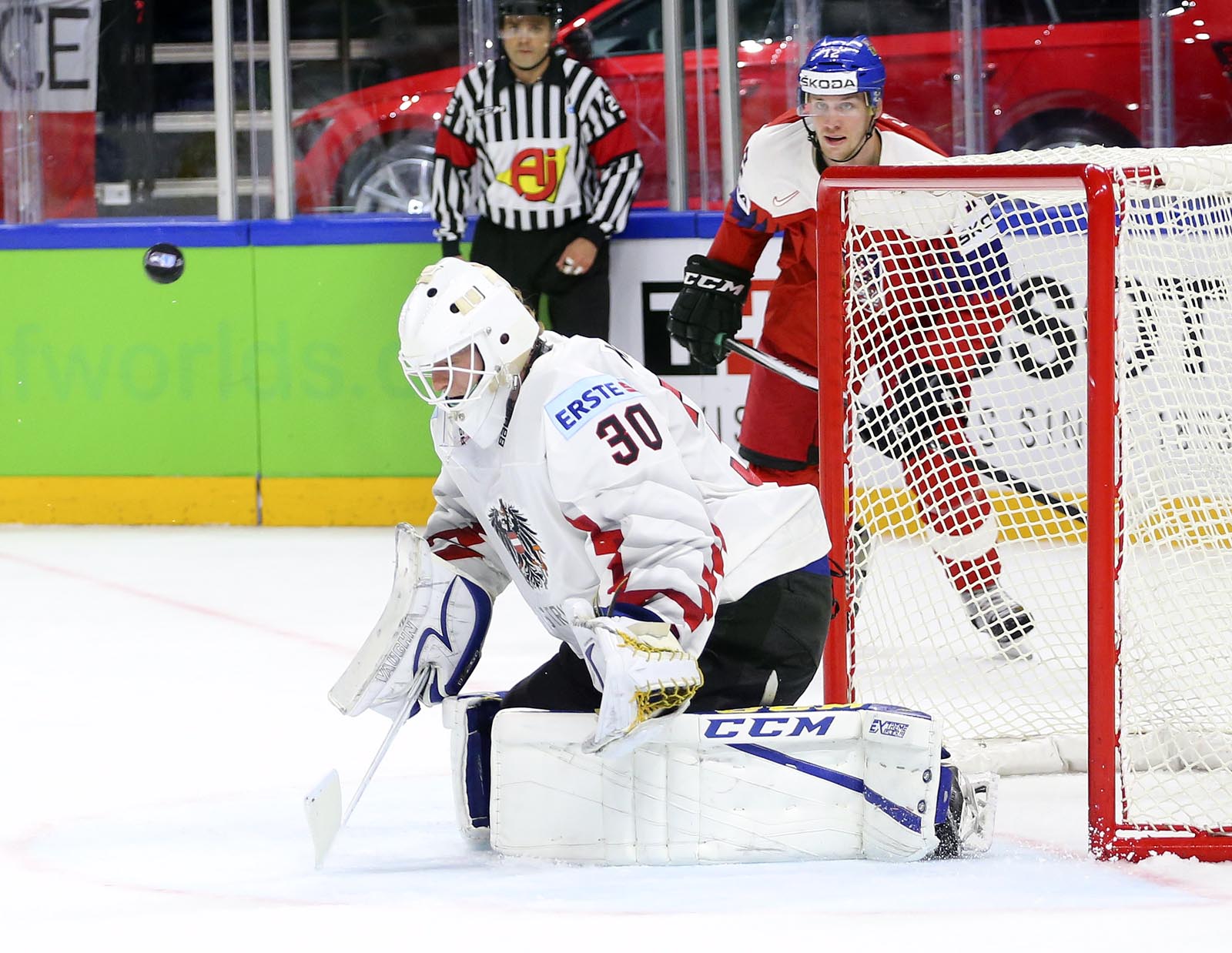 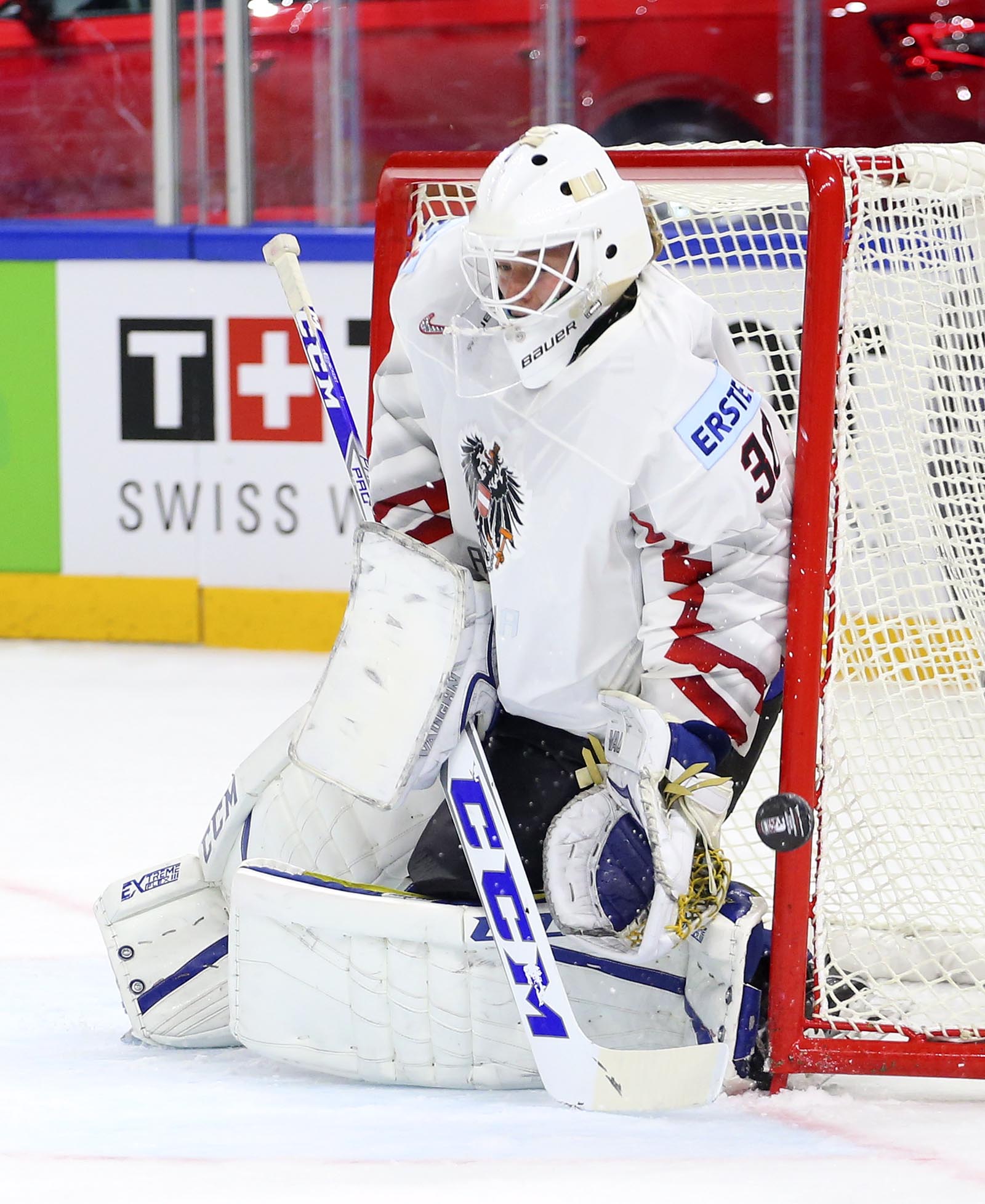 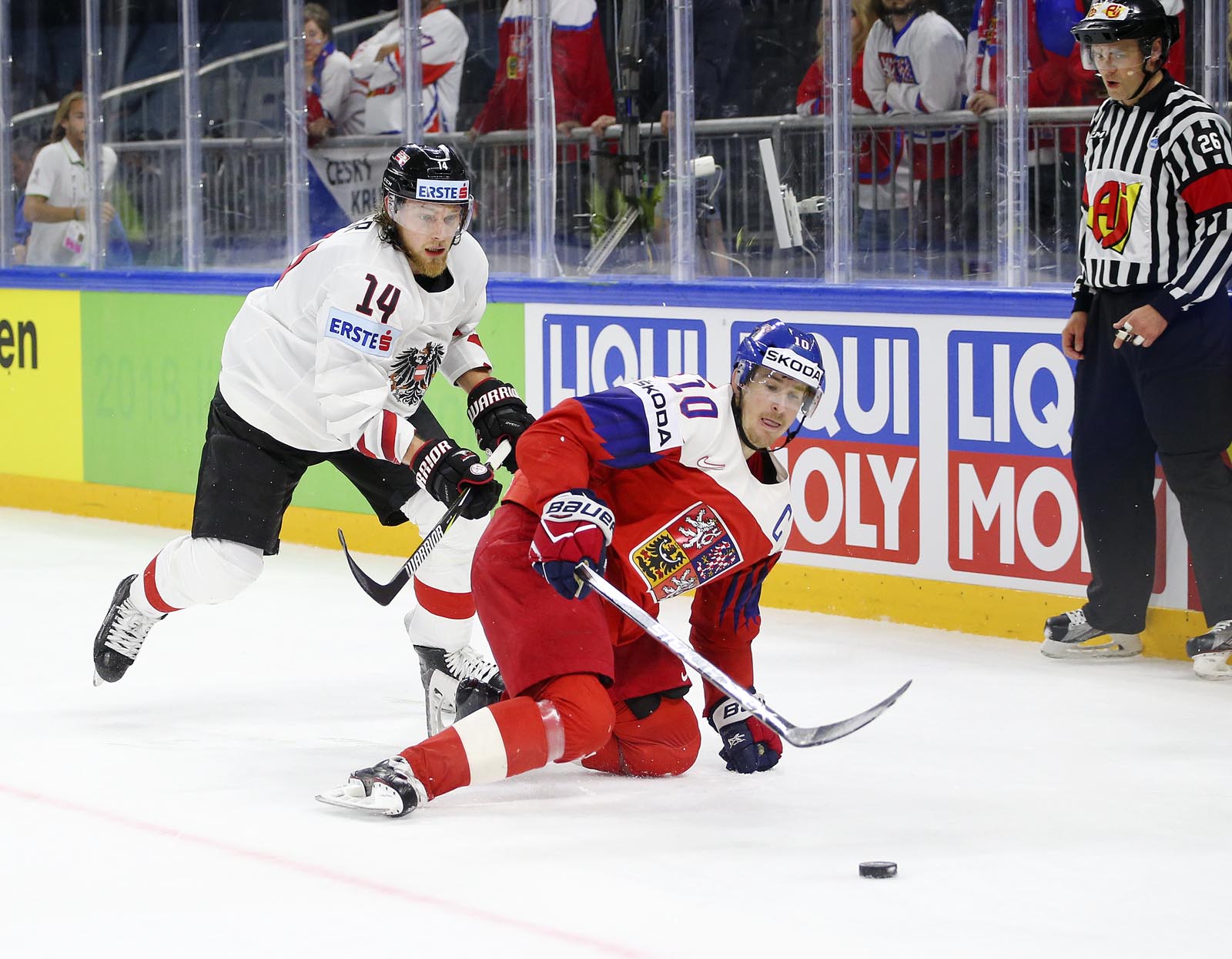 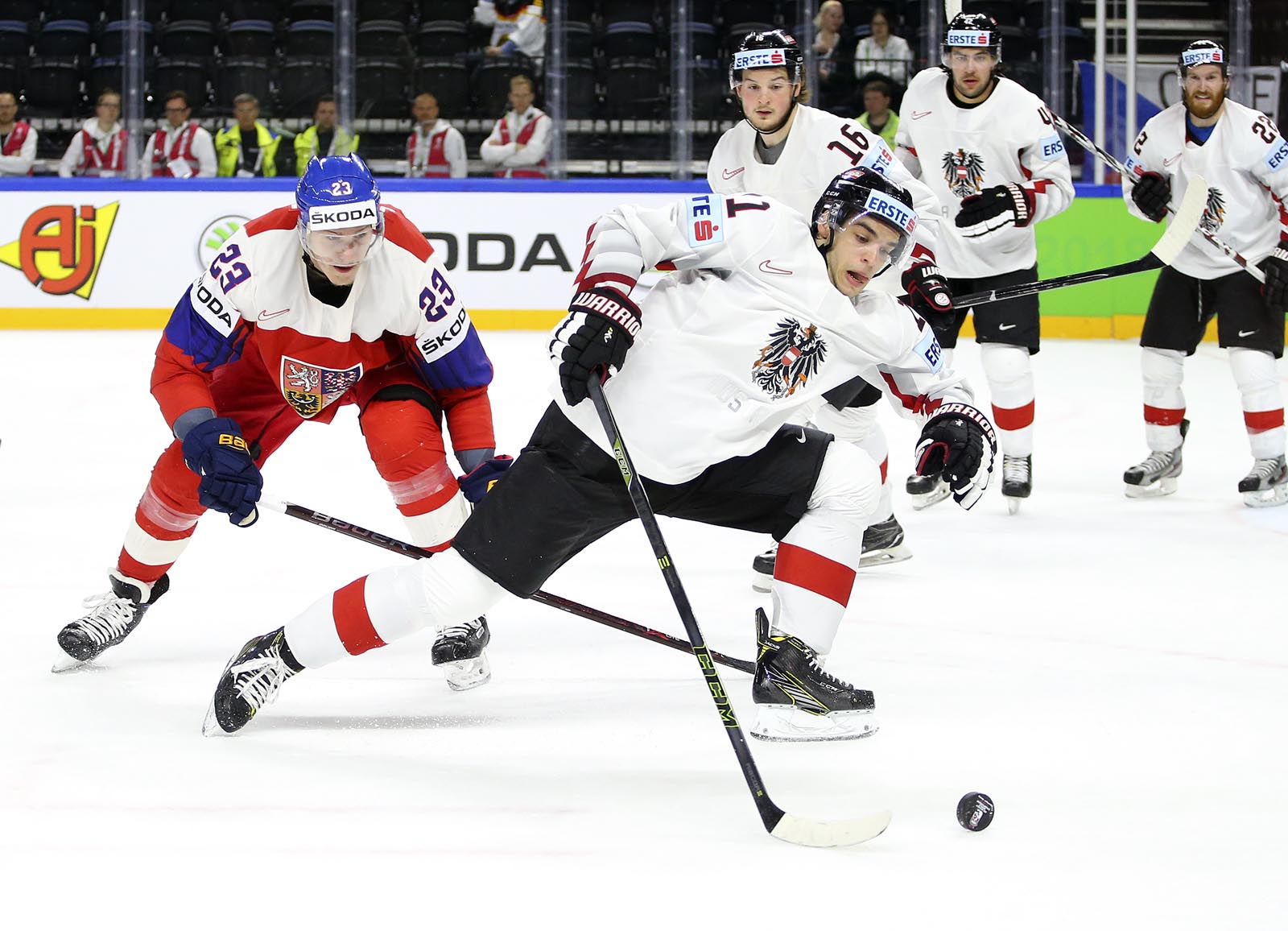 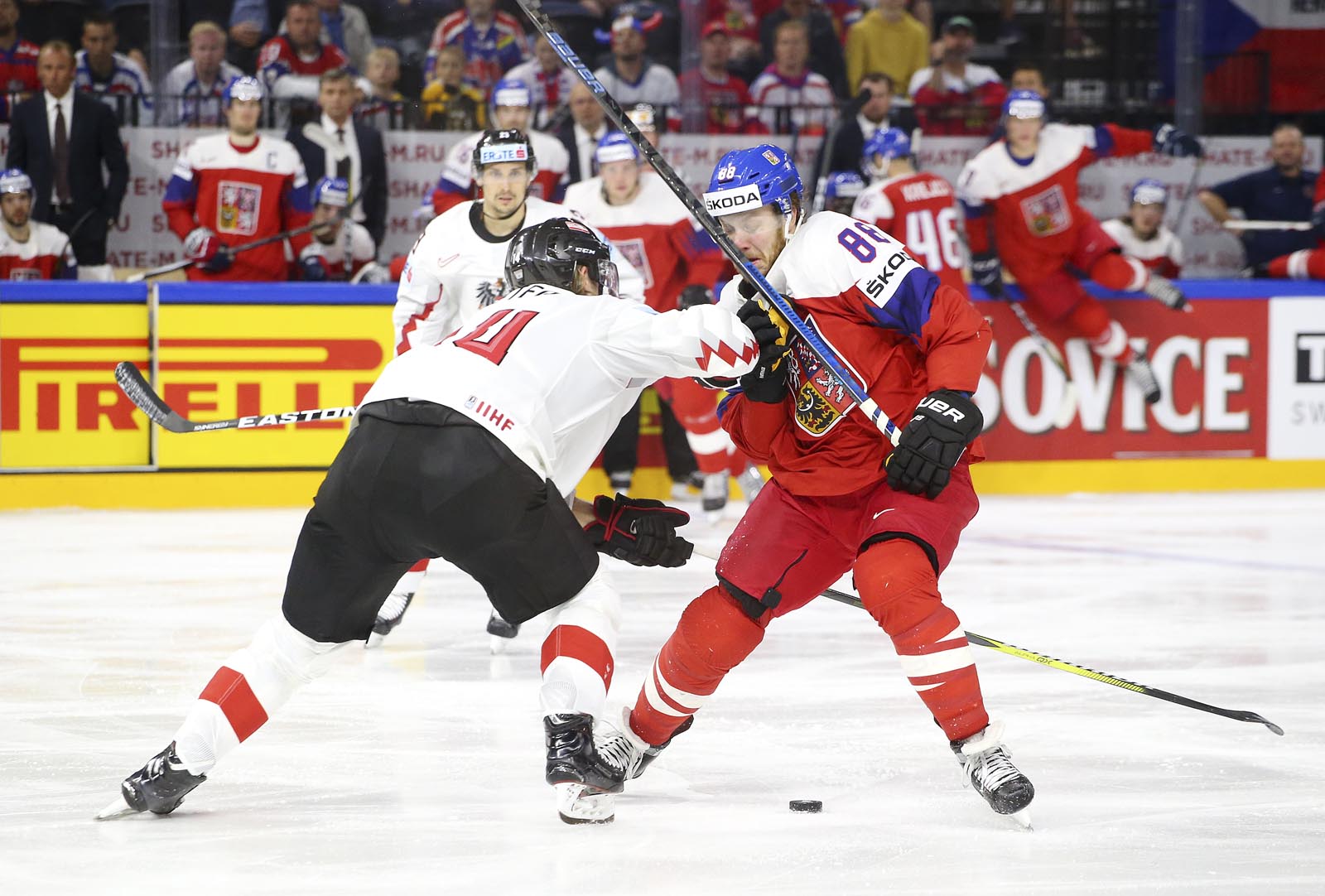 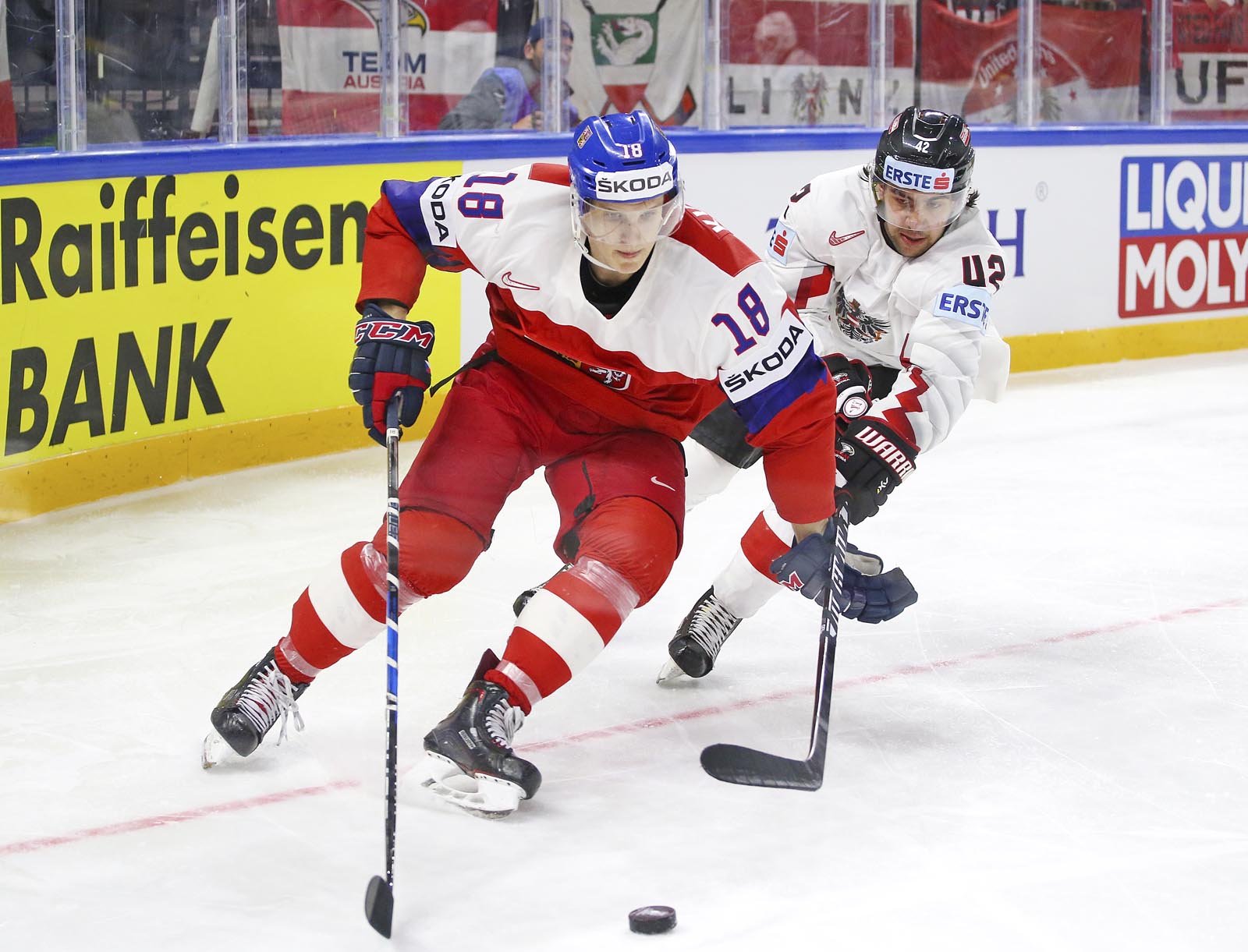 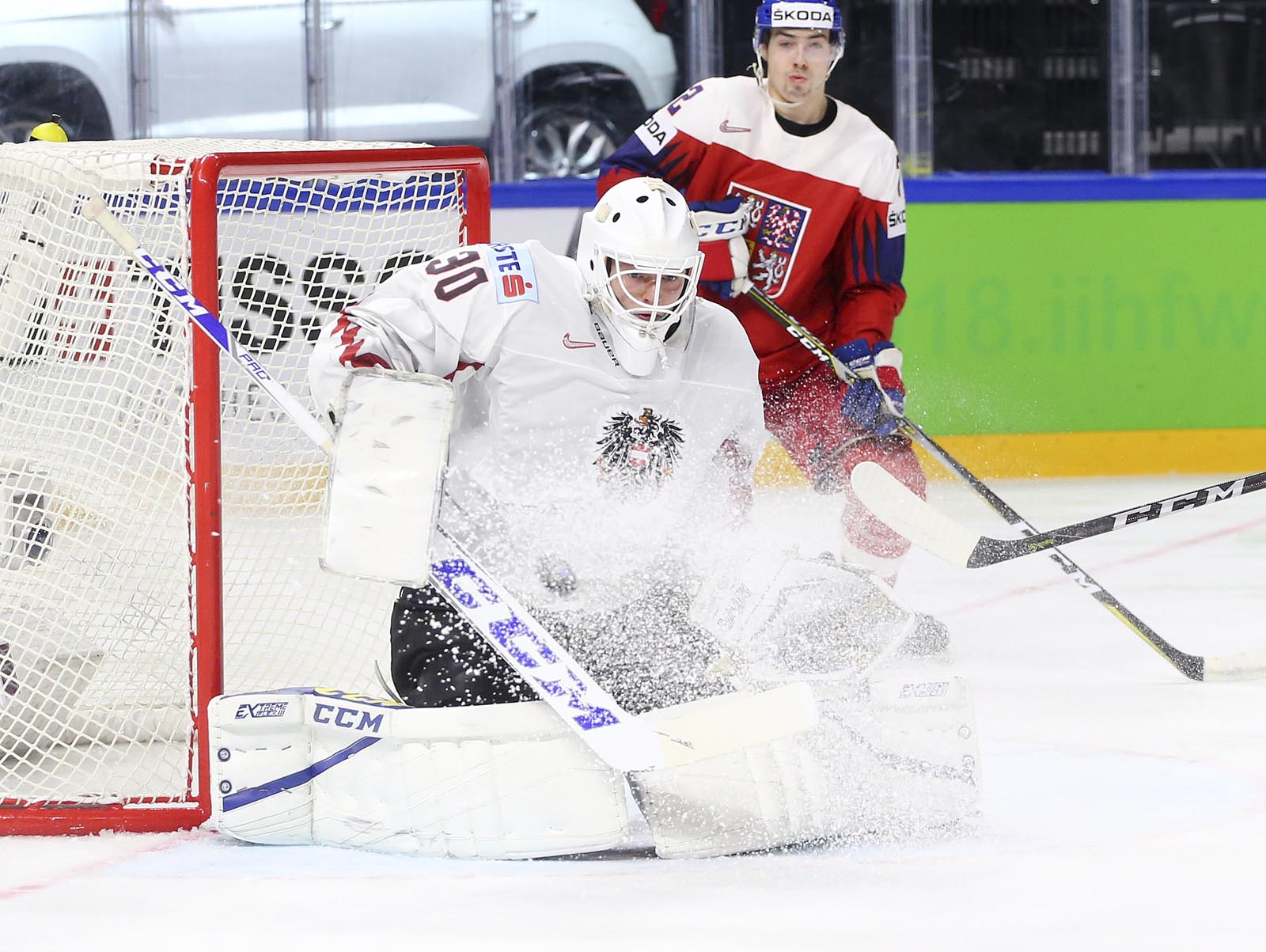 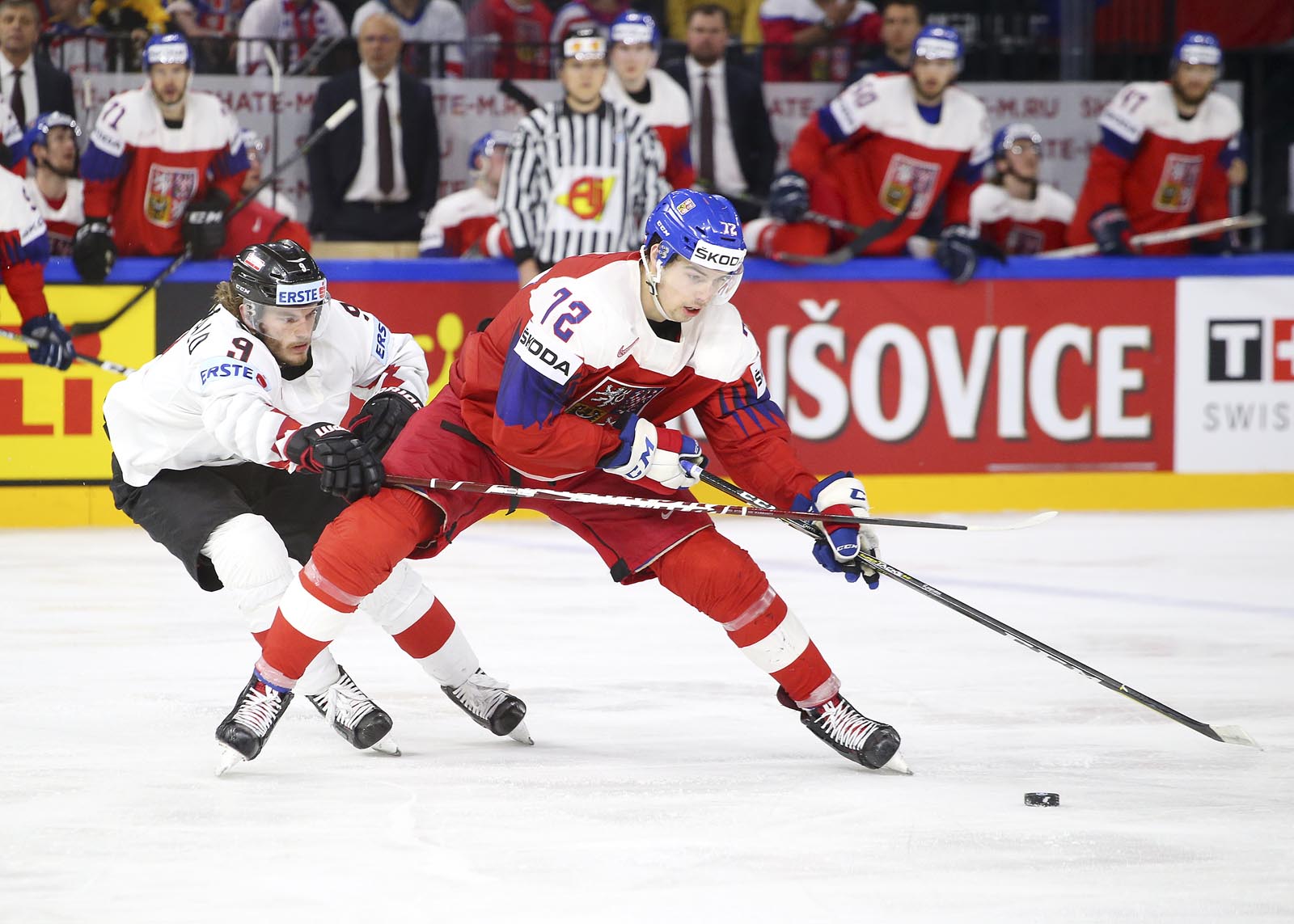 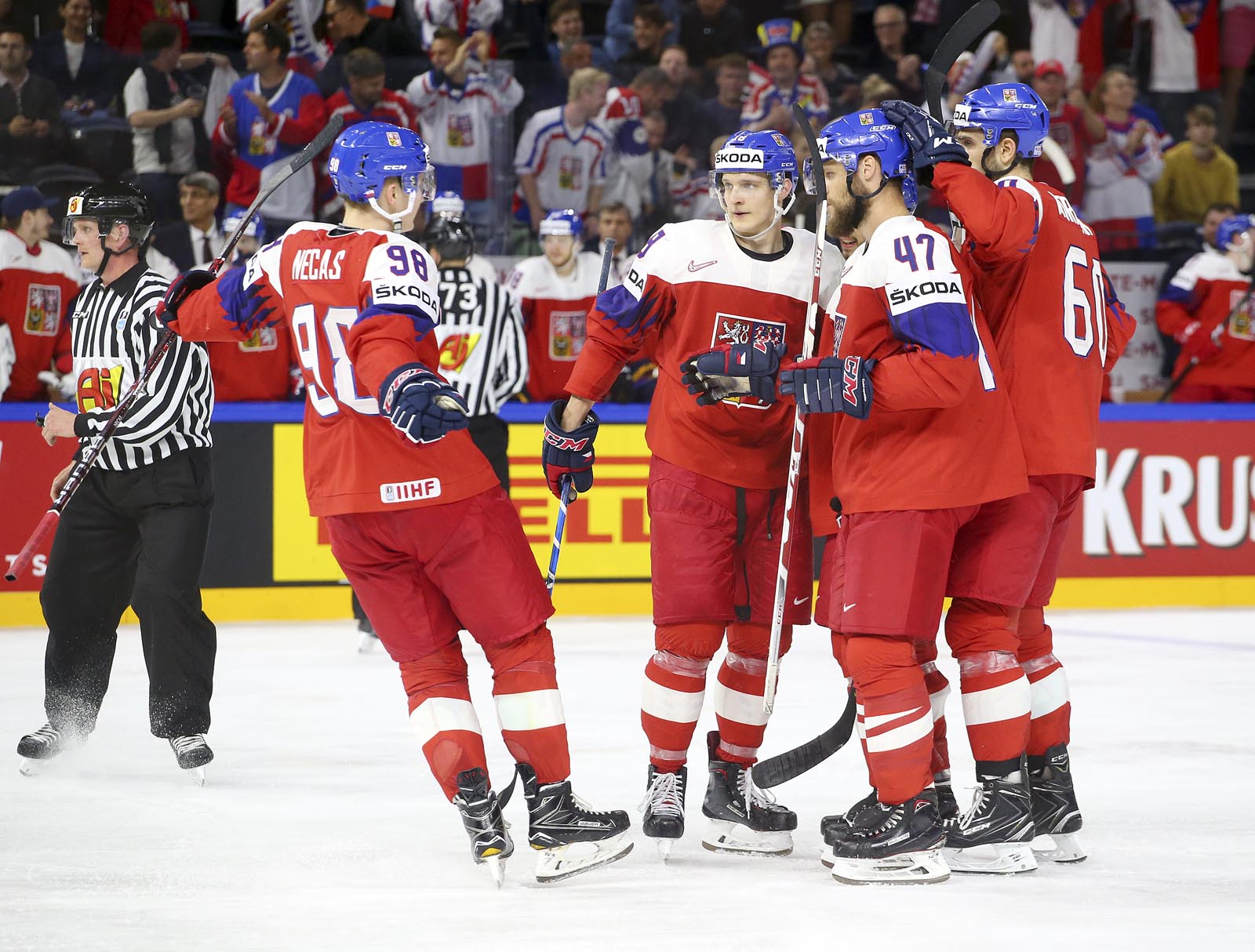 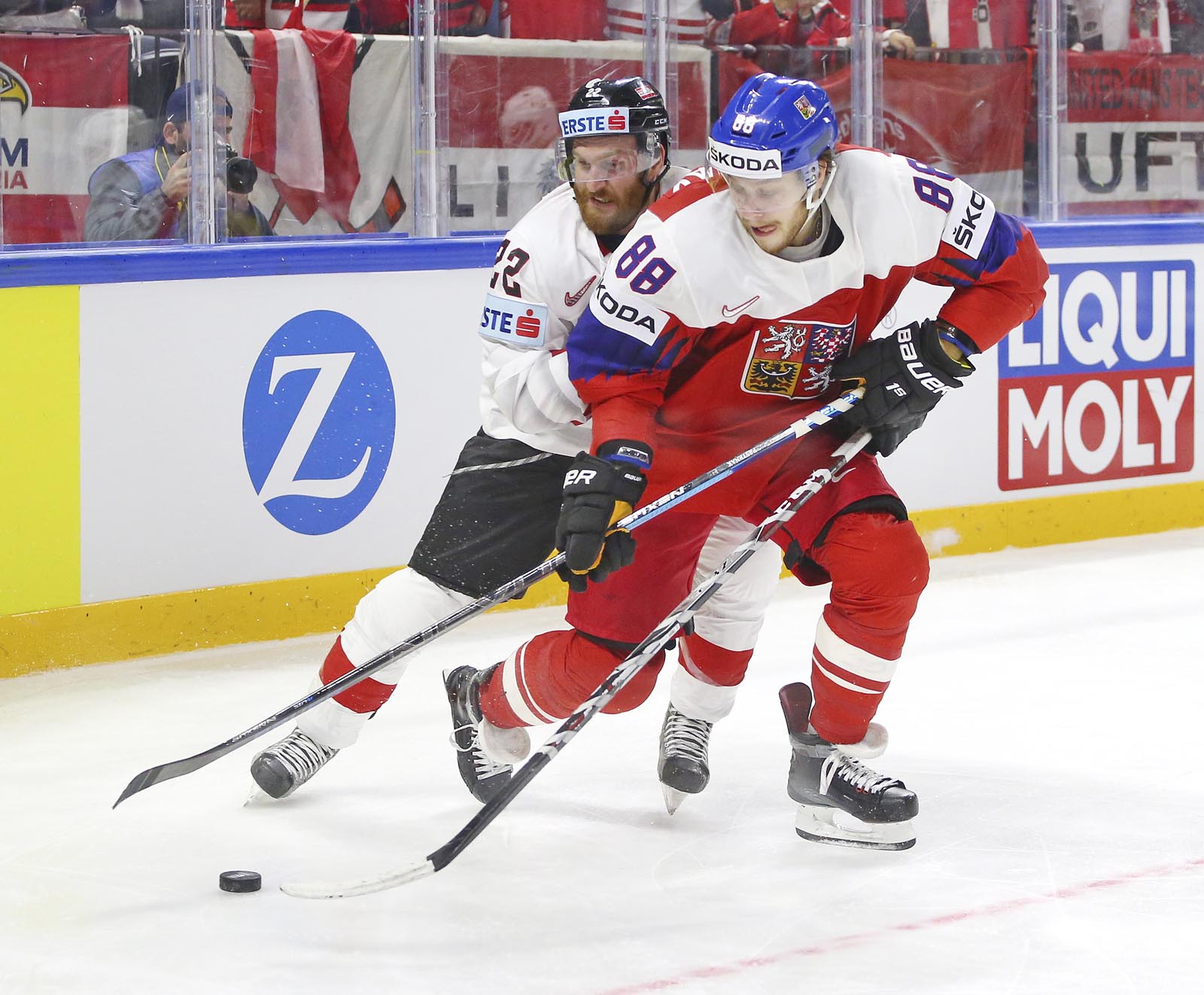 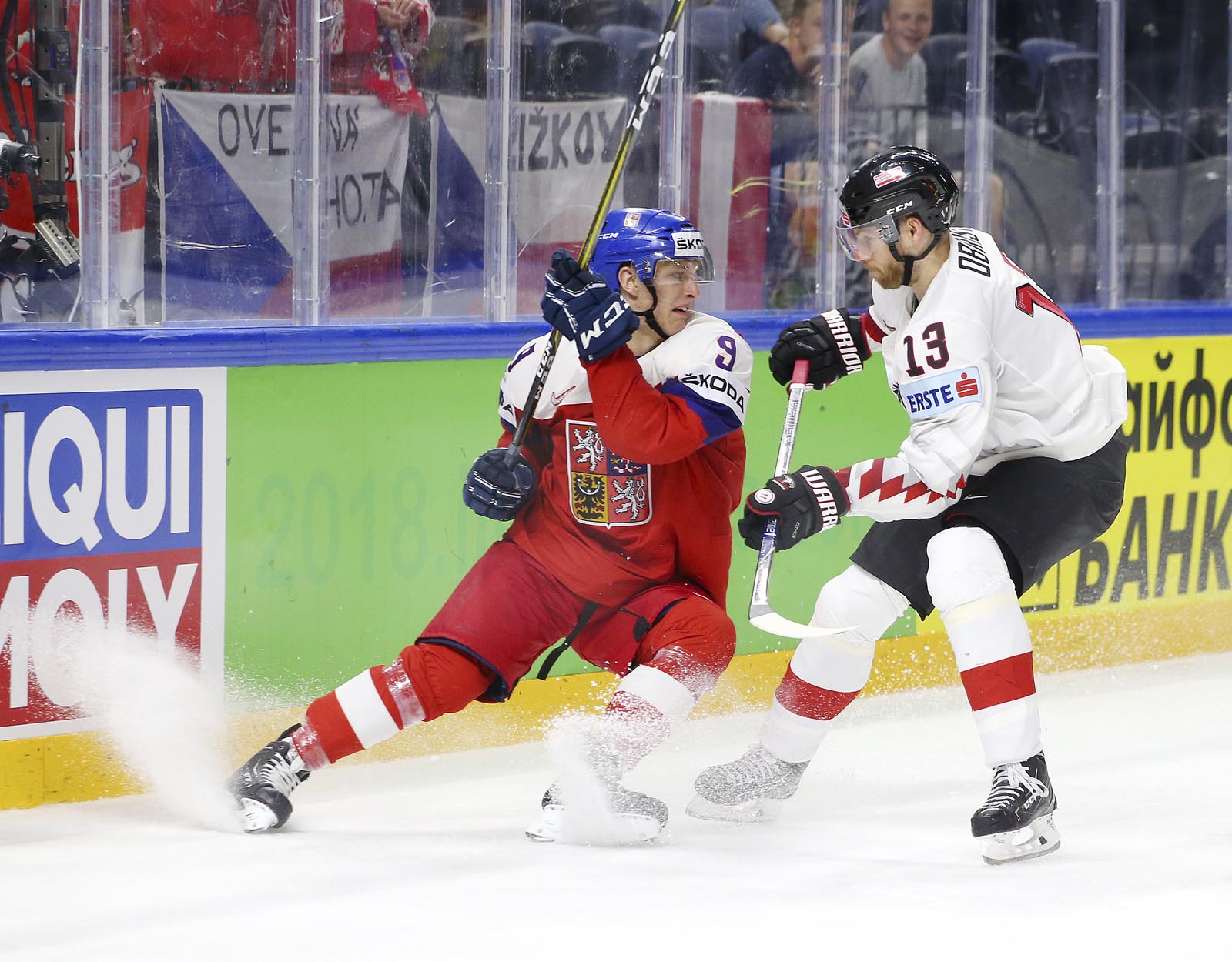 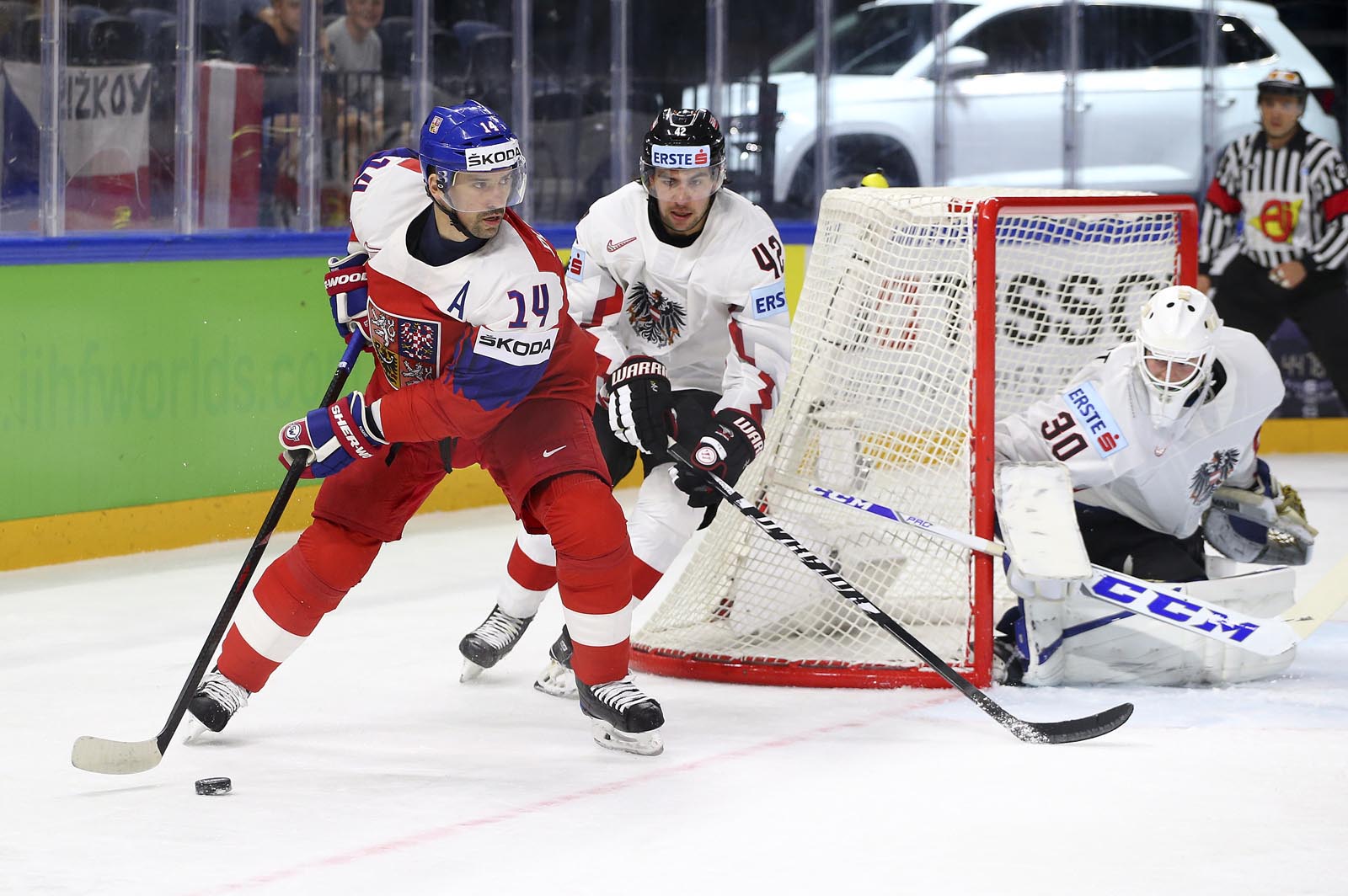 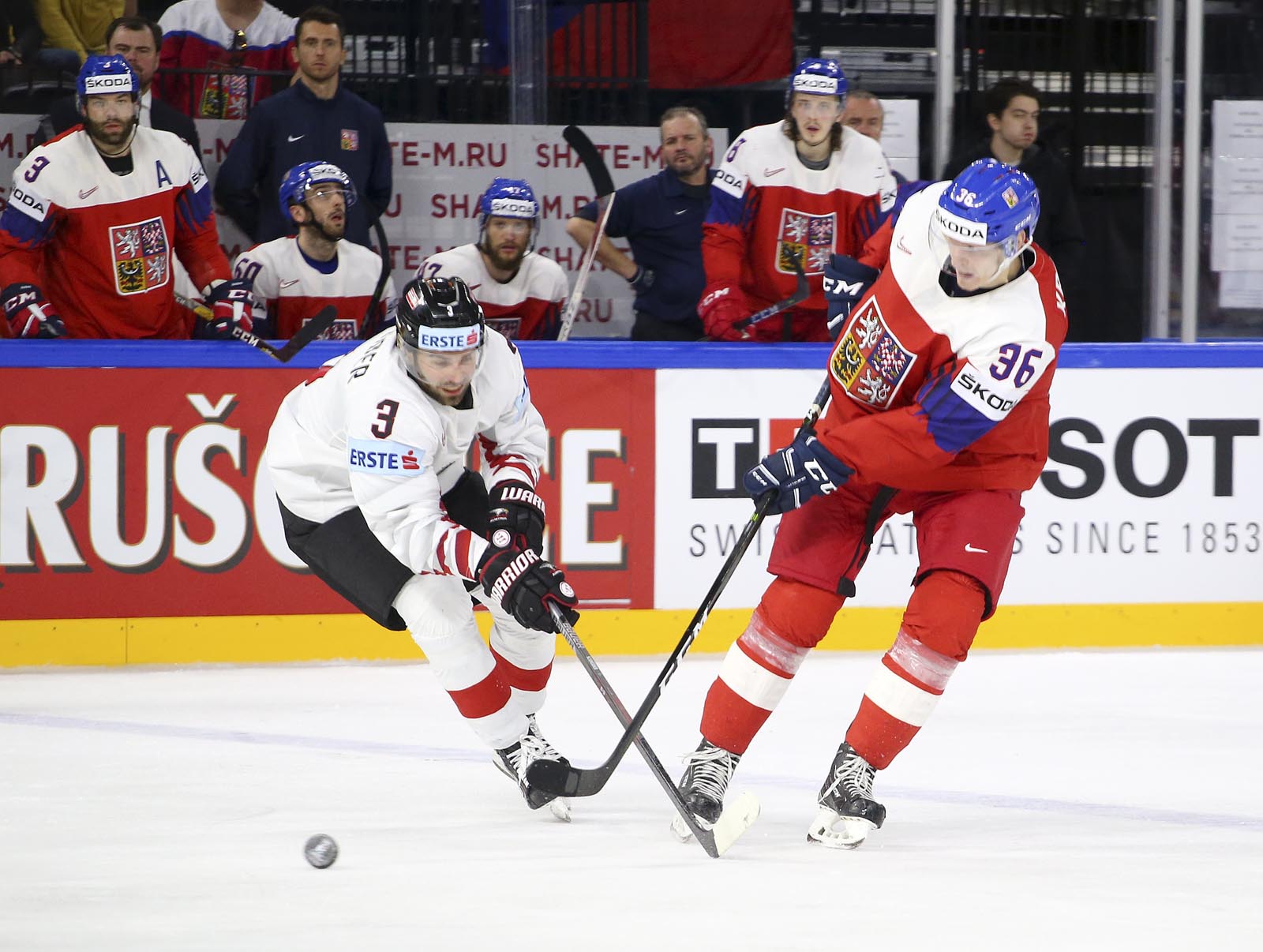 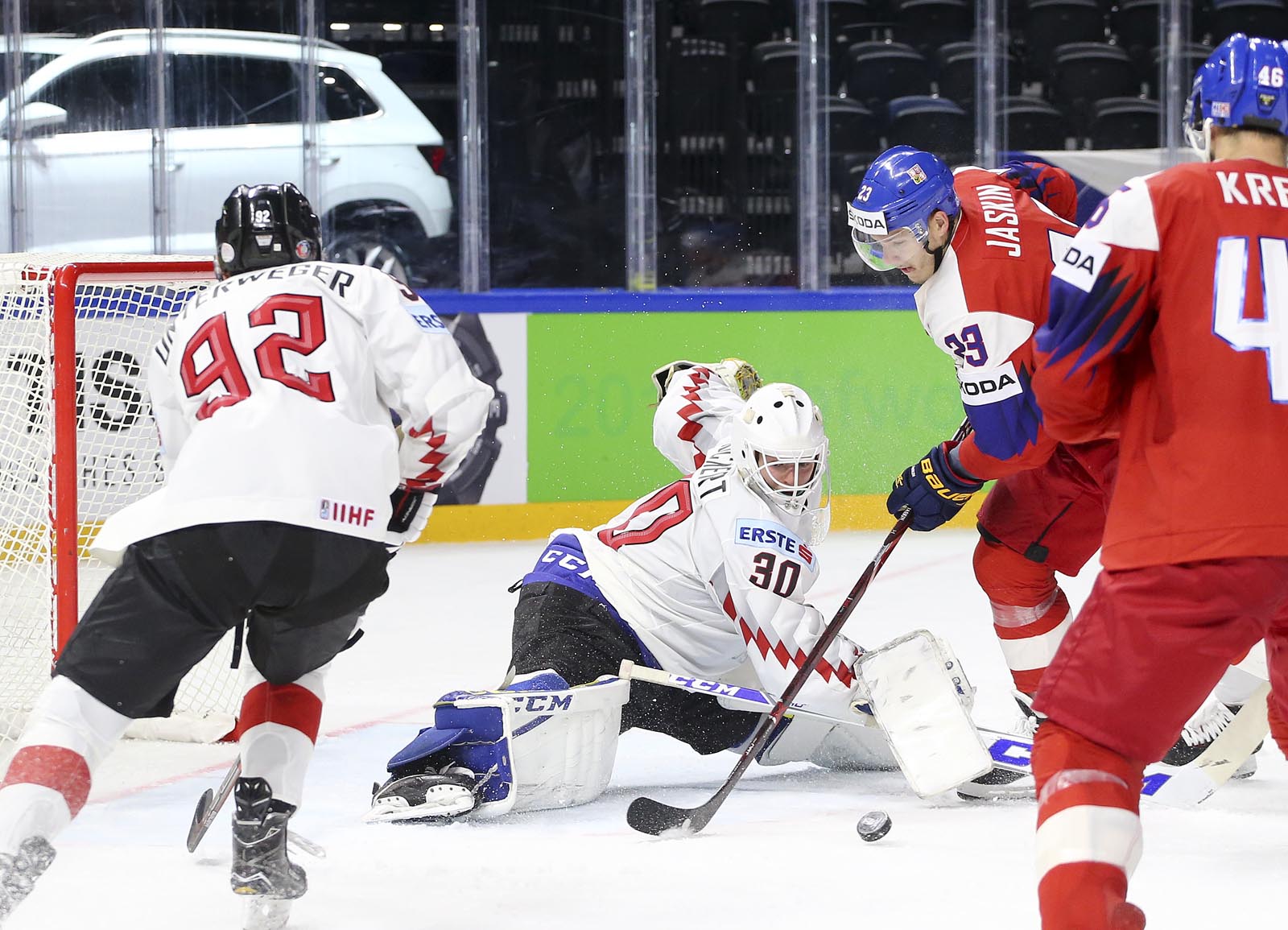 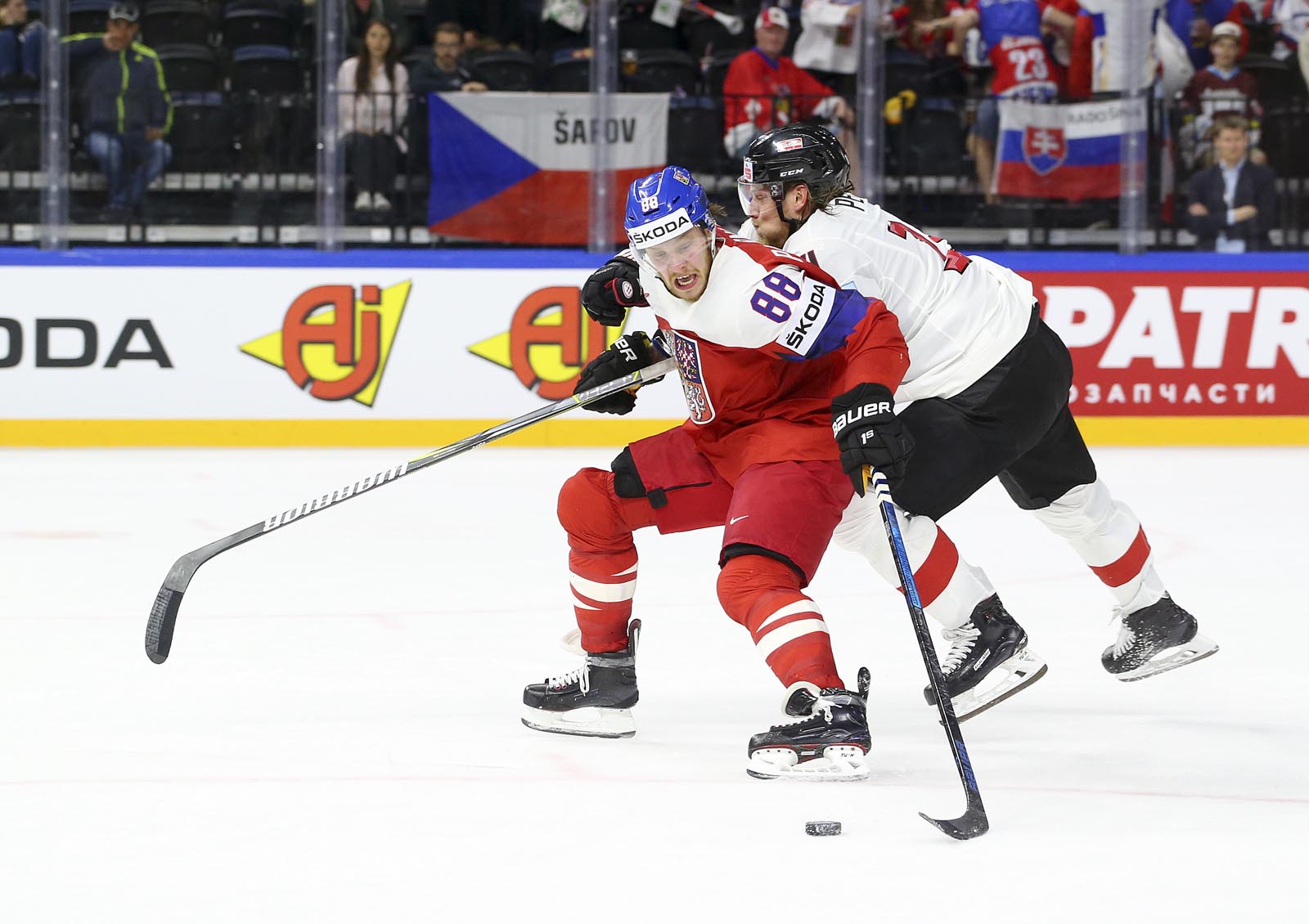 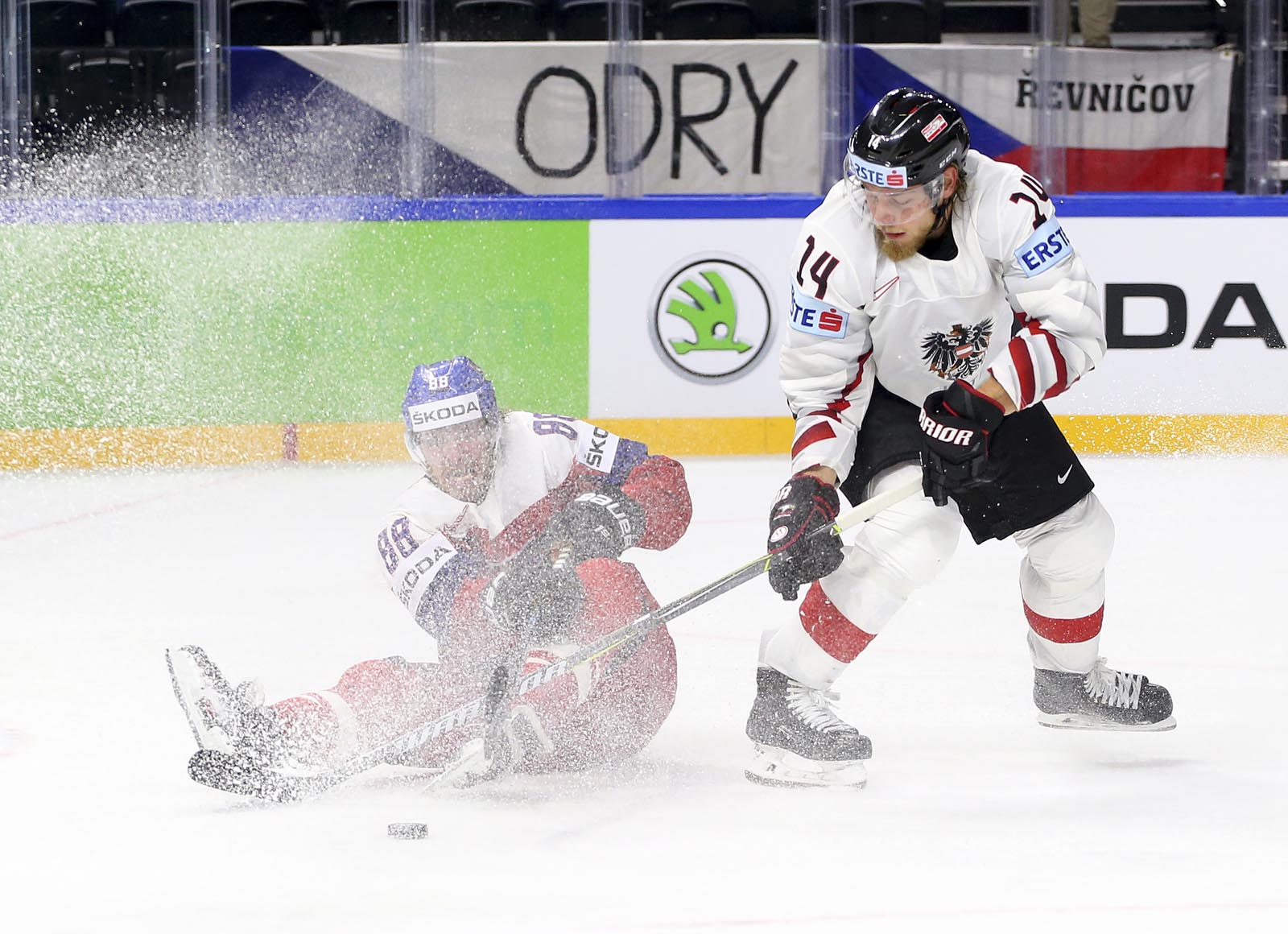 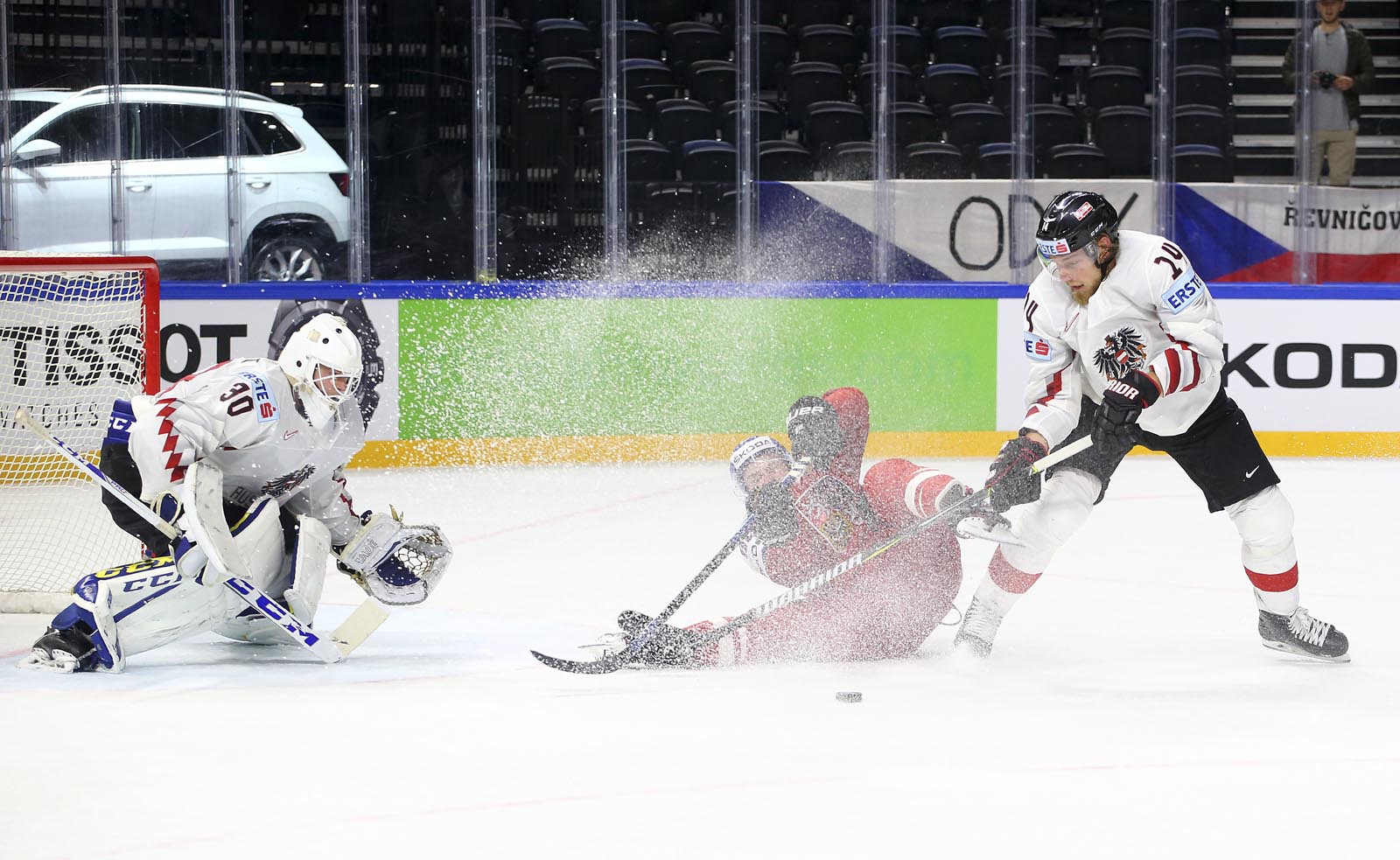 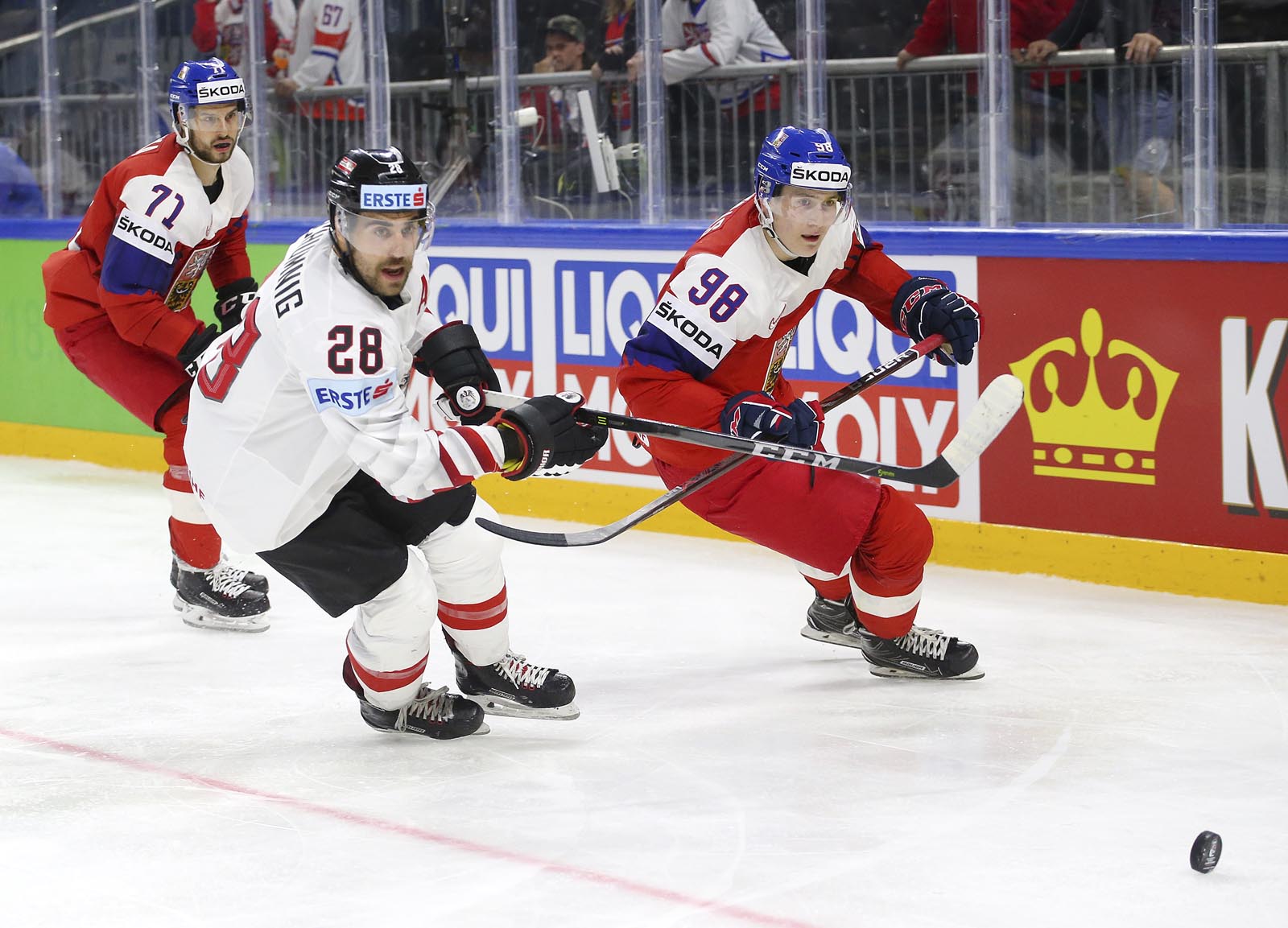 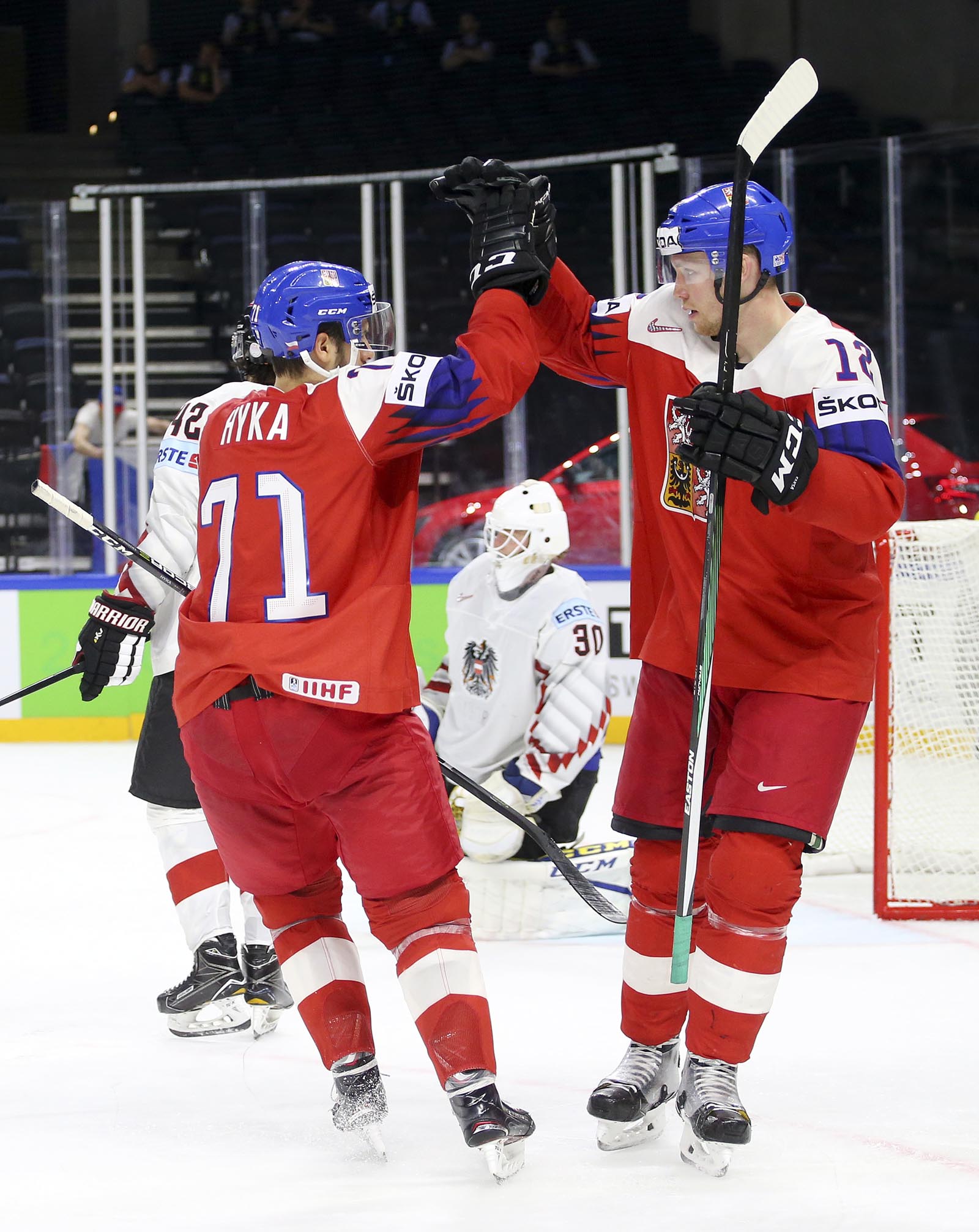 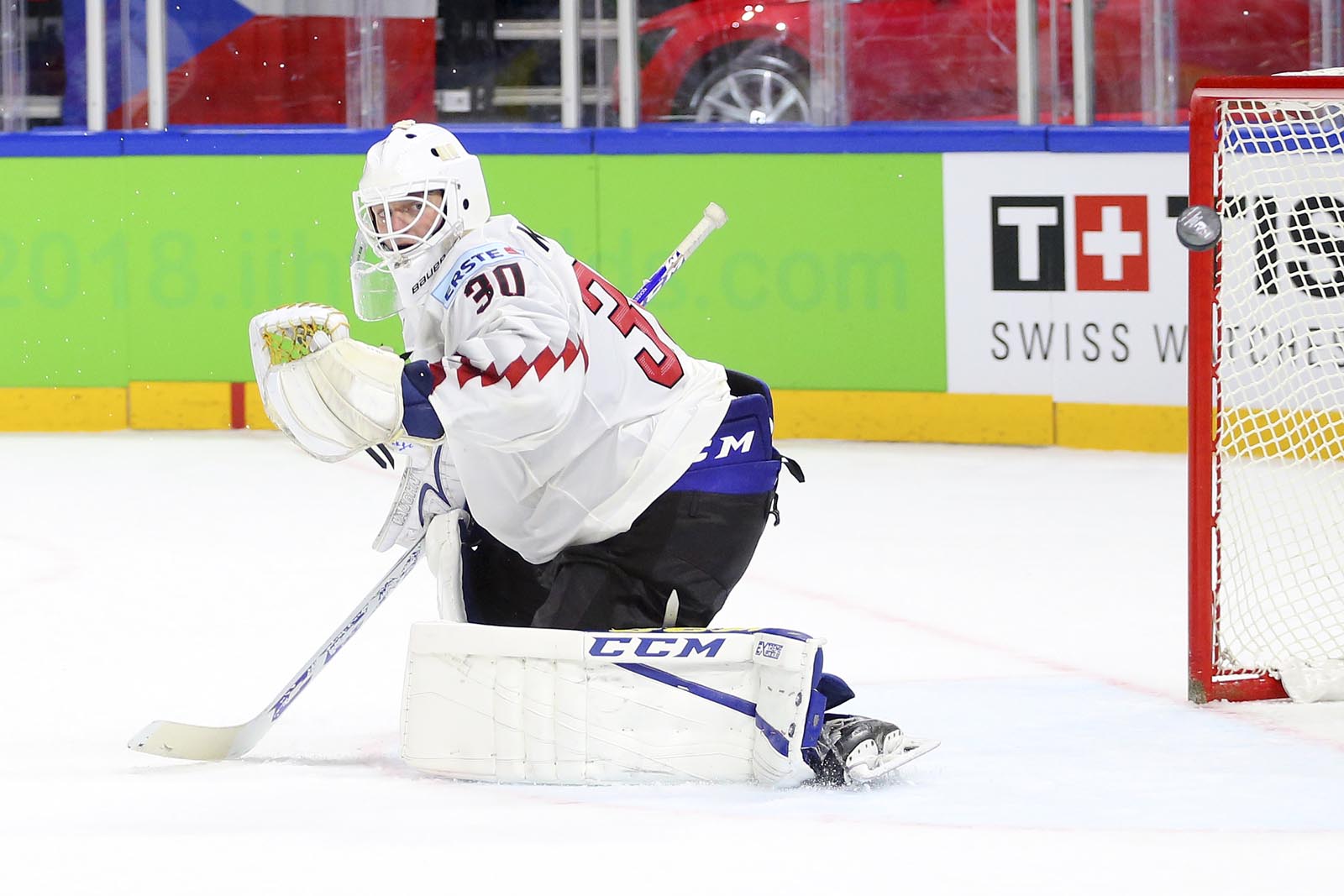 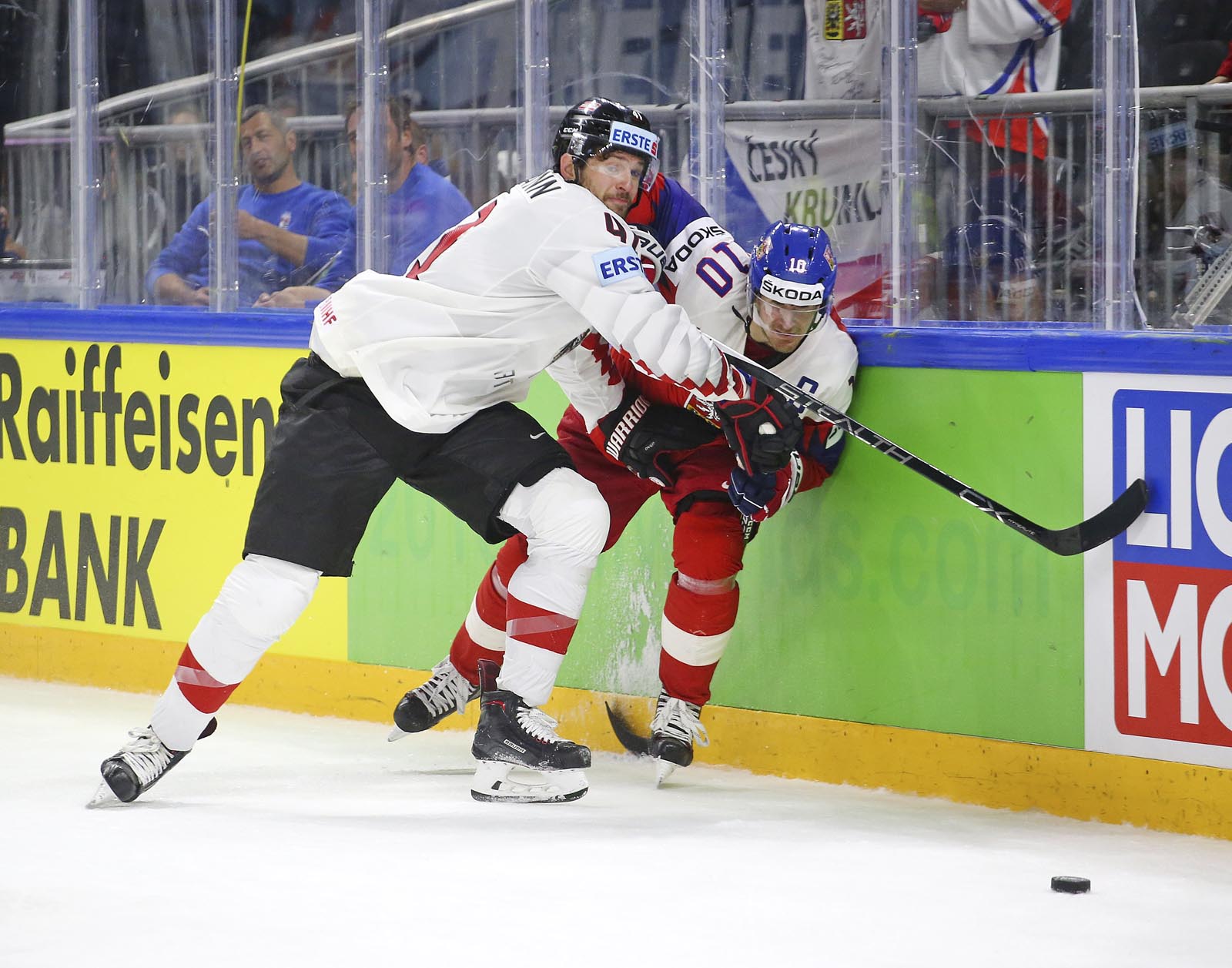 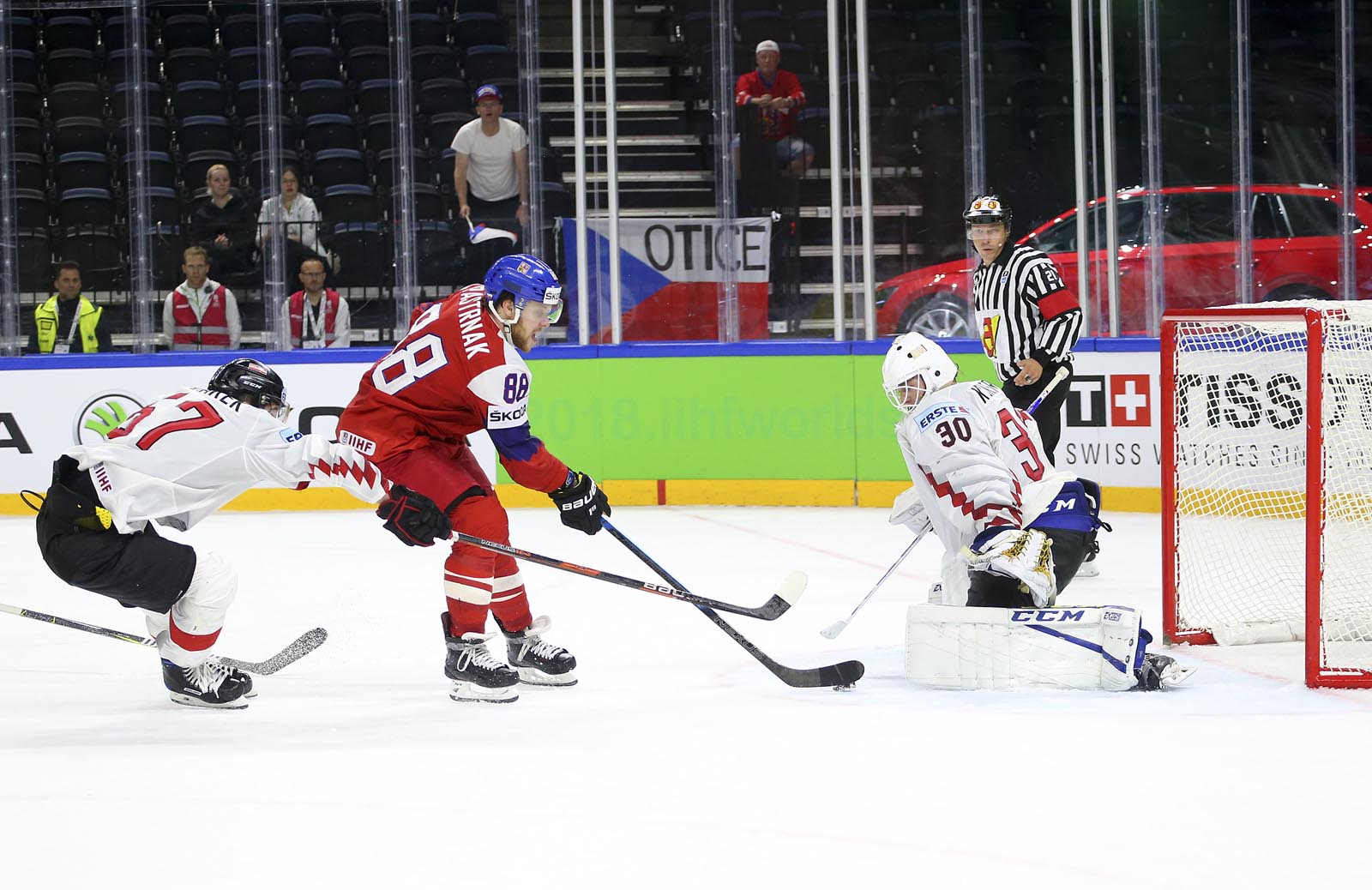 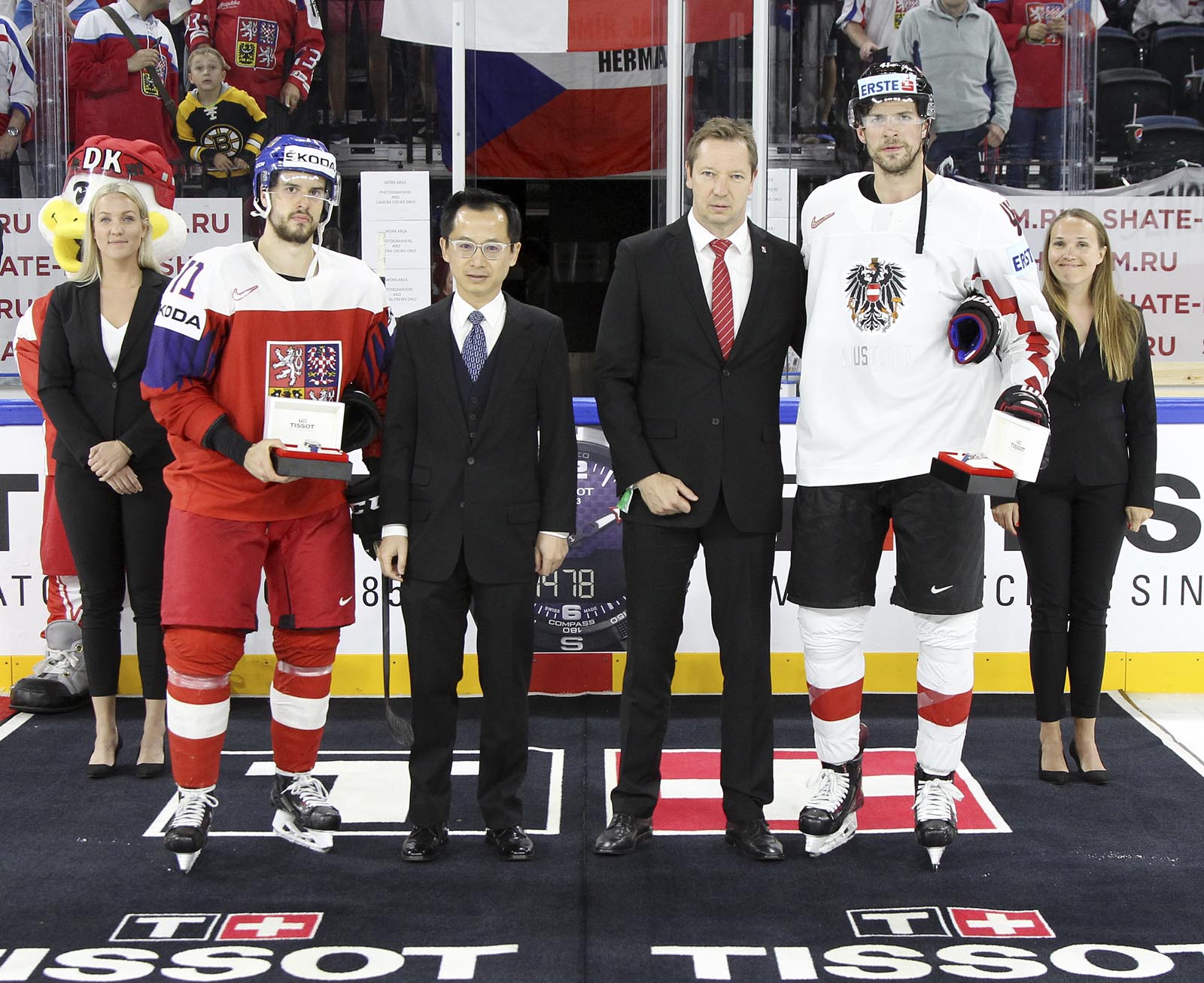 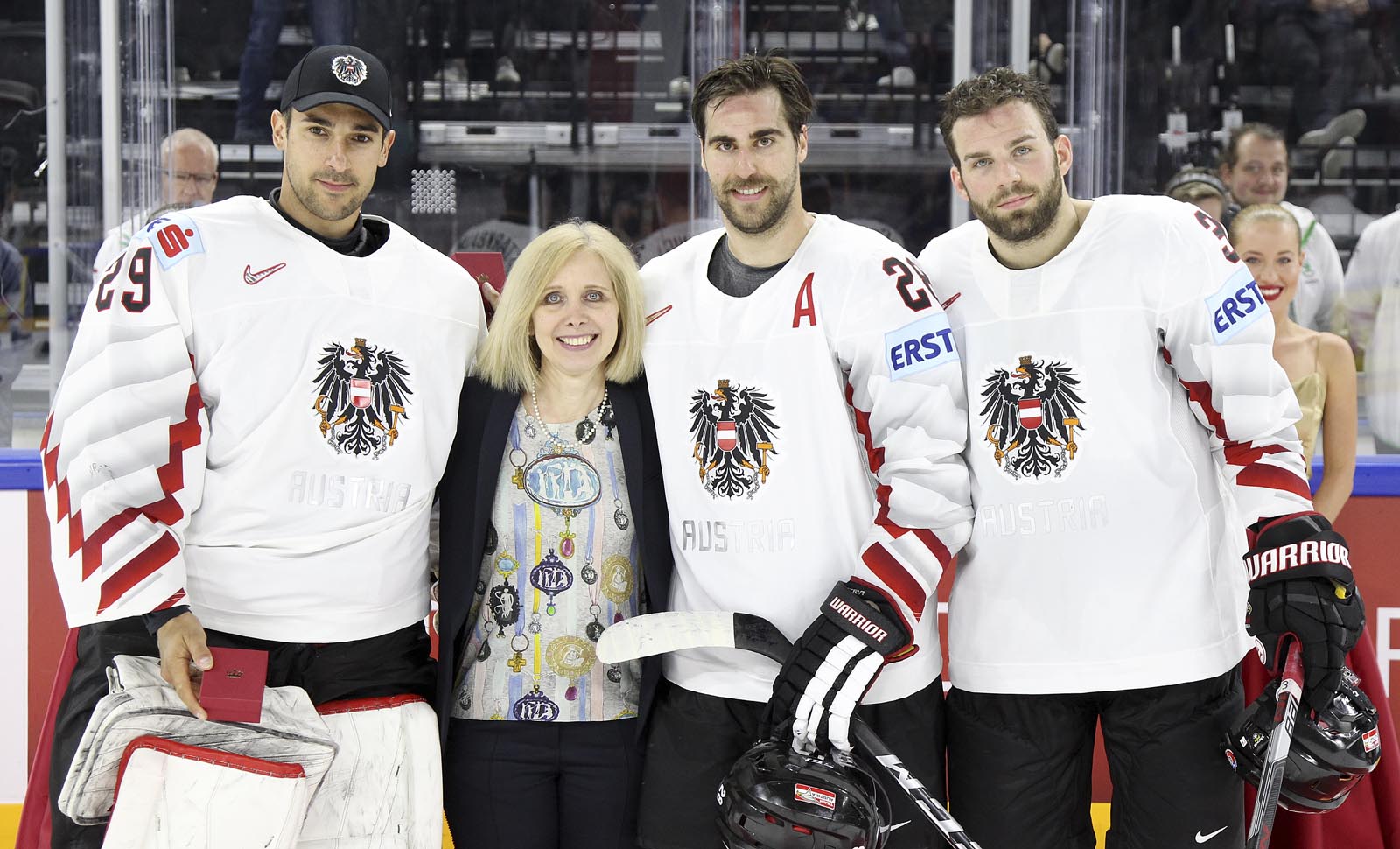