Documents
Game Summary
Line-Ups
Shot Chart
Game details
Referee(s)
FRANO Martin
RENEAU Stephen
Linesperson
KADERLI Roman
LHOTSKY Miroslav
Spectators
Russia romps through opening game
Russia's Nikita Kucherov #86 celebrates with Yevgeni Malkin #11, Mikhail Sergachyov #98, Yevgeni Dadonov #63 and Nikita Gusev #97 after scoring a second-period goal against Norway.
photo: Andre Ringuette / HHOF-IIHF Images
share
Russia’s power play led the way as the Red Machine cruised past Norway in the opening game of the 2019 IIHF Ice Hockey World Championship in Bratislava. Yevgeni Dadonov (2) and Nikita Kucherov punished the first three Norwegian penalties of the afternoon to open a 4-0 lead by the midway stage as the much-hyped Russian offence showed why it could be a fearsome force at this tournament. Without ever running away with the shot count, the quality of the openings fashioned by Russia's forwards meant it was a rough start to the championship for Peter Thoresen's Polar Bears.
The crowd of 7,698 for Friday’s first game was swelled by a large contingent of travelling Czechs running the rule over another Group B contender before their evening game against defending champion Sweden. They rooted enthusiastically for Norway early on and worked hard to drown out any efforts to get Russian chants rolling around the Ondrej Nepala Arena, but it would take more than that to inspire a stubborn but workmanlike Norwegian team to an upset.

Things might have gone differently if Norway had converted a chance during the early sparring. Patrick Thoresen, a wily old campaigner with plenty of experience of Russian hockey from his two Gagarin Cup-winning campaigns, stole the puck in front of Andrei Vasilevski’s net. The veteran attempted to set up Sondre Olden, but his shot lacked conviction and the Norwegians could not capitalize on the rebound.

After that fifth-minute alert, it was largely one-way traffic. Mathis Olimb, once of Jokerit Helsinki in the KHL, tripped Ilya Kovalchuk on halfway. The resultant power play lasted just 12 seconds. Nikita Kucherov sent the puck to Yevgeni Malkin behind the net and Geno placed an inviting pass onto the slot for Dadonov to rifle home a ninth-minute opener.

Russia then killed a penalty of its own, with Norway tantalized by a puck that bounced around in front of Vasilevski without anyone to apply a finishing touch, before extending its lead. Artyom Anisimov led a breakaway that seemed to have come to naught, but the Blackhawks centre remained alert to the developing play. When Mikhail Grigorenko fired in a low shot, Anisimov popped out from behind the net to take the puck off Henrik Haukeland’s pads and put a backhander on the top shelf.

The first period ended with the tempo dropping right down, something which apparently did not please the Russian coaching staff. Despite an early penalty on Malkin, Ilya Vorobyov’s team began the second stanza at a high tempo, steadily racking up the pressure on Norway. Pressure brought penalties, and that in turn brought goals. First came Kucherov, taking a feed from his Lightning team-mate Mikhail Sergachyov and wiring a wrister from the top of the circle to end an extended spell of play in the Norwegian zone and make it 3-0.

Barely 90 seconds later, Norway transgressed once again and Russia produced a speeded-up replay of its opener. This time Nikita Gusev played the Kucherov role and found Malkin behind the net, from where the Pittsburgh man once again delivered an inviting feed for Dadonov to add a fourth. From puck drop to red light, the play took just two seconds; Russia’s PP improved to 3 for 3.

Malkin, twice the architect of Russia's power play goals, was not fully satisfied. "We scored well on the power play, but we need to score at equal strength as well," he said. "Our power play was always likely to click sooner or later – we have good players on this team. The Norwegians gave us the chances, Dadonov found space well and it was up to me to find the passes that he could shoot home."

Norway was gutsy and did its best to take the fight to Vasilevski wherever possible. But there was only one clear chance in the middle frame when Tobias Lindstrom was sent surging into the Russian zone and looked to beat the Tampa Bay goalie on the stick side. Vasilevski read the shot and got a blocker to it, snuffing out that opportunity.

However, as experienced defenceman Alexander Bonsaksen pointed out, this result was no disaster for his team. "We're meeting a bunch of the world's best players out there and if you look at the 5-on-5 game I think we were matching them pretty well. We had our scoring chances as well. We got those two at the end, but I think overall we could have had more in 5-on-5 play."
World Men
Russia vs. Norway - 2019 IIHF Ice Hockey World Championship
Russia’s power play led the way as the Red Machine cruised past Norway in the opening game of the 2019 IIHF Ice Hockey World Championship
RUS NOR 10 MAY 2019
The game was won inside two periods, but Russia continued to push for goals and that third line of Kucherov, Anisimov and Gusev continued to impress. A slick spell of swift passing around the Norwegian zone had the defence in a spin; Gusev took the shot and while KHL’s leading scorer in regular season play did not hit it as cleanly as he would have liked he saw it wobble past a frustrated Haukeland to make it 5-0.

The 24-year-old, who spent last season with TPS in Finland, faced a difficult afternoon and, at one point, found himself facing down five Russian fowards. When Russia got its fourth power play of the game late in the final frame, Vorobyov took the chance to continue an experiment seen in recent Euro Hockey Tour games. Rather than return once more to the Malkin-Dadonov combo, the Russian coach sent out five forwards - Kaprizov's line with Ovechkin and Kuznetsov plus Kovalchuk and Dadonov. Norway survived that examination and managed to kill a penalty for the first time in the game.

And there was more for the Scandinavians to celebrate in the closing minutes when Thomas Valkvae Olsen blasted a well-deserved consolation goal with four minutes left. Jonas Holos, another time-served KHLer, smashed home another late in the game to make the final score 5-2 - and send a reminder that while the Russian offence is powerful, its defence may yet give opponents a chance. Russia has just six blue-liners currently confirmed on its roster, and Vladislav Gavrikov admitted afterwards that he was still feeling the effects of jet-lag before the game. Confirming extra options on the D could help Vorobyov's team avoid a repeat of today's late jitters as the tournament progresses.

For the experienced NHLers on the team, though, those two late goals are firmly the responsibility of Friday's line-up. Malkin added: "We made mistakes [at the end] and we couldn’t help Vasilevski get his shut-out. Of course, we need to work on that, we can’t ease off at the end of games like that under any circumstances. It spoiled the whole performance."

Kucherov paid tribute to Norway's resilience but warned that Russia was not willing to be a soft touch again. "We needed to be stronger on defence, so as not to give them a chance to reduce the deficit in the third period," he said. "That’s something we must improve. I’m sure we’ll sit down tomorrow, look at it again and be better in the next games."

But for Bonsaksen, the late rally offered hope for Norway as the tournament progresses.

"I think it gives us confidence. We've been talking about being a tournament team," he said. "Now we want to build on every game and we'll see how many points that can get us."

For Norway, there's another testing game on the way against the Czechs on Saturday evening. Russia returns to action on Sunday lunchtime against Austria. 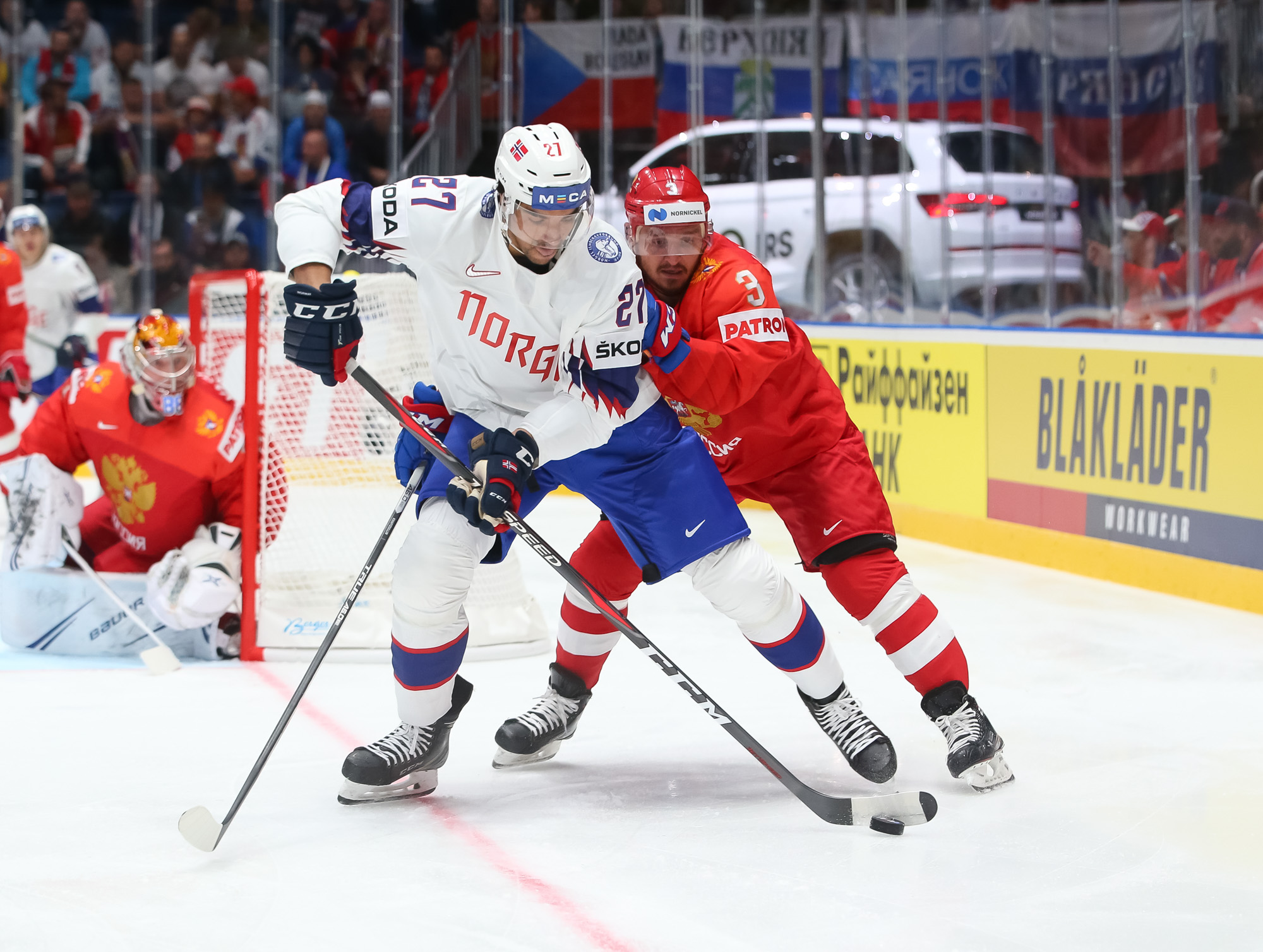 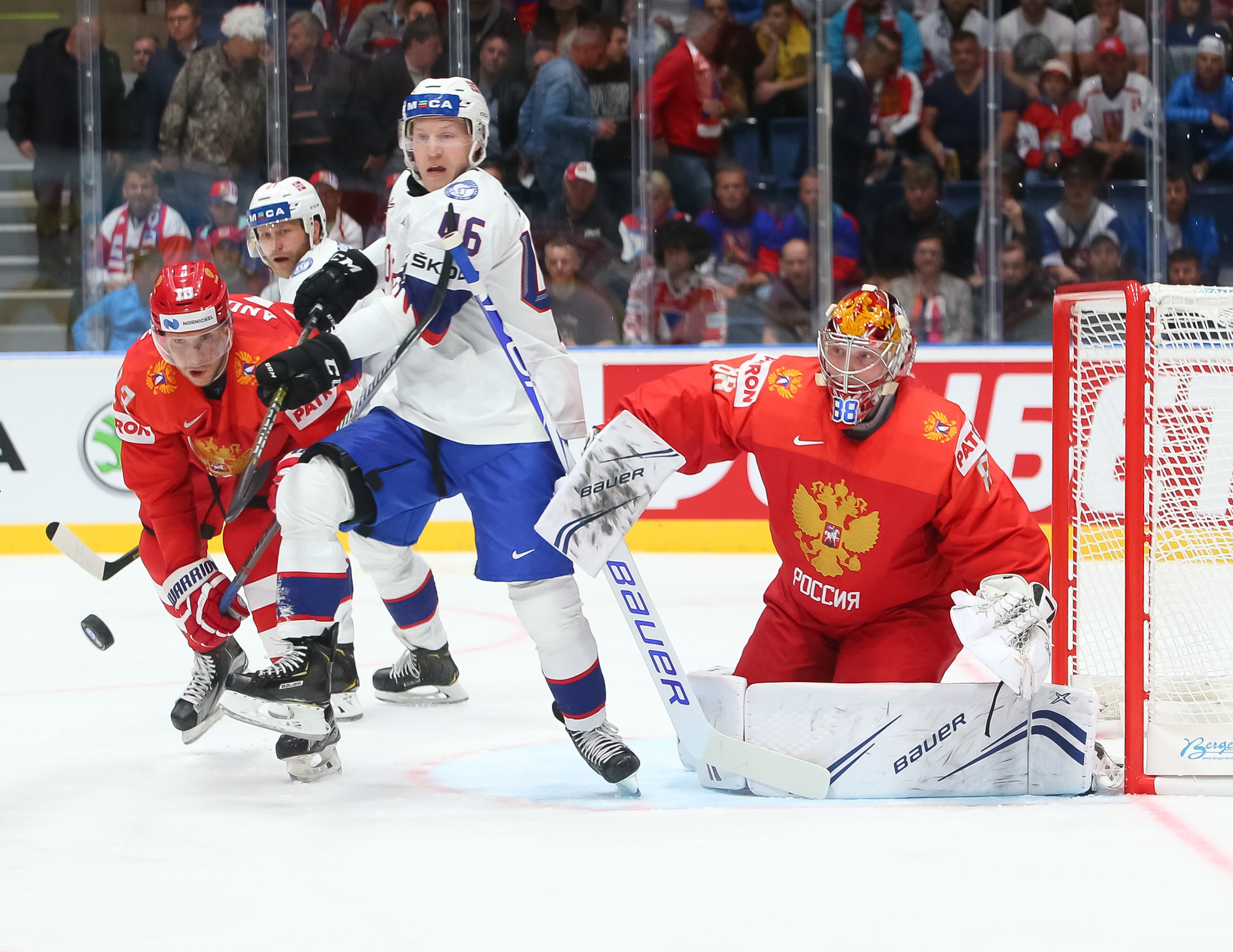 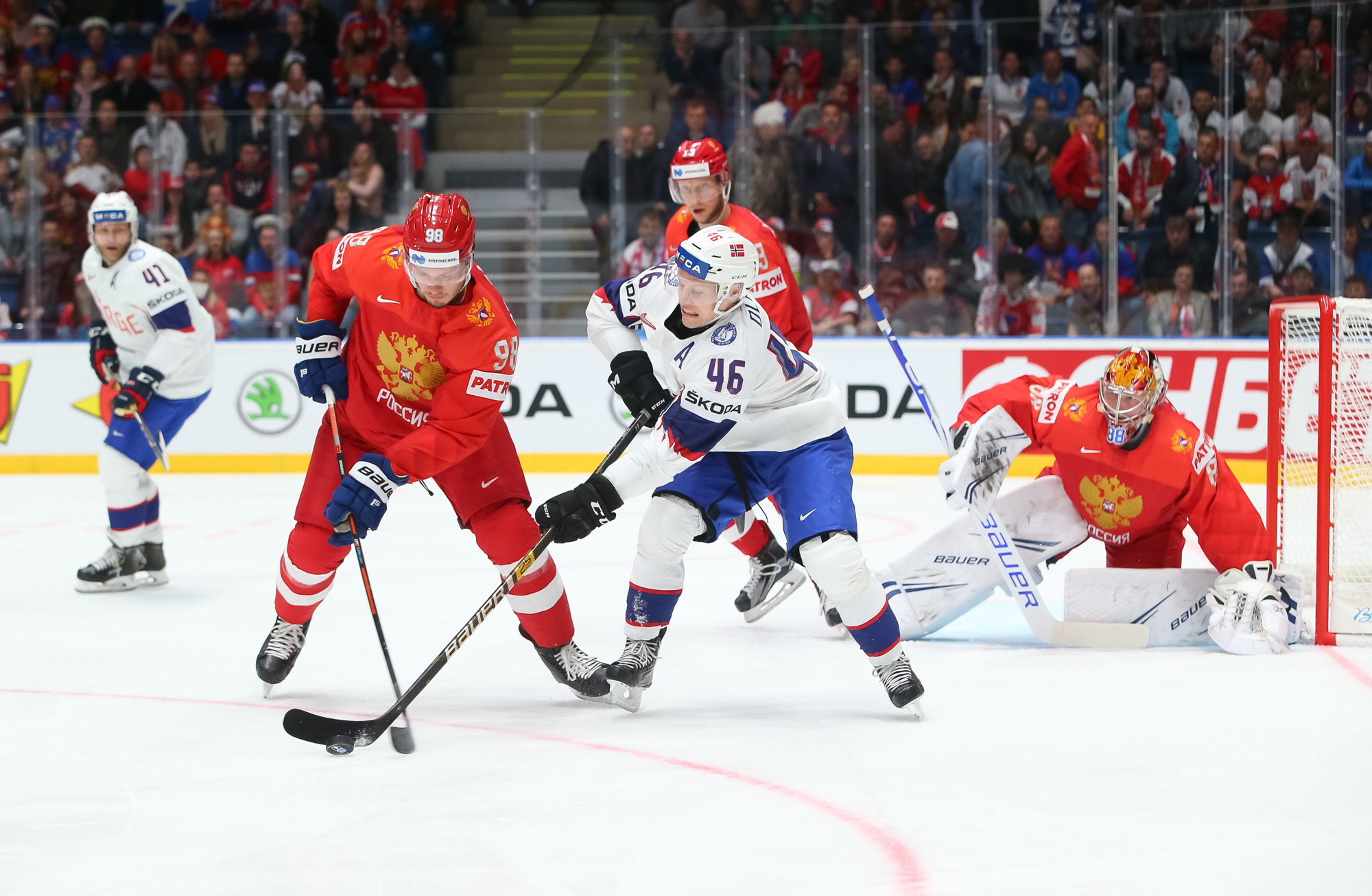 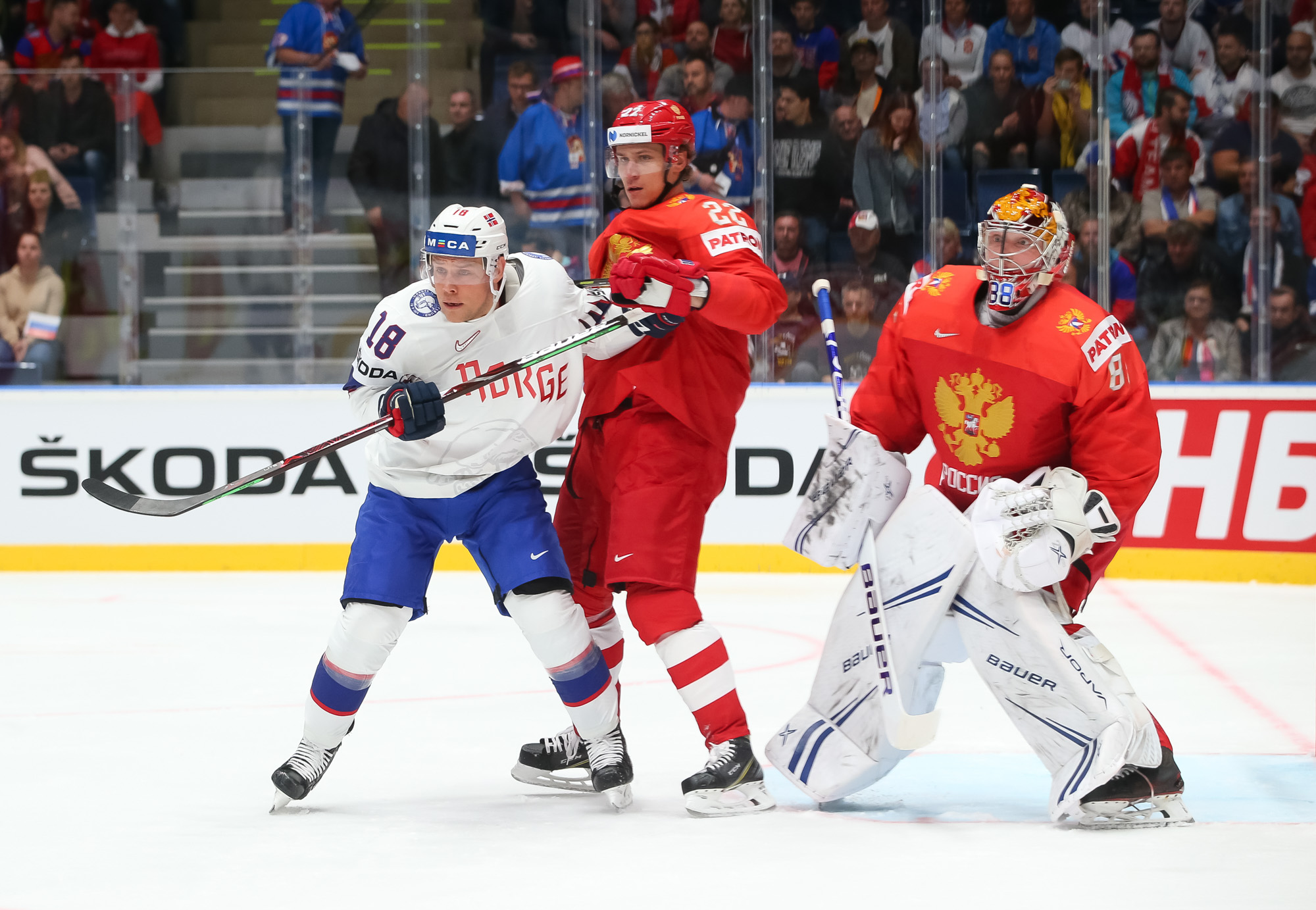 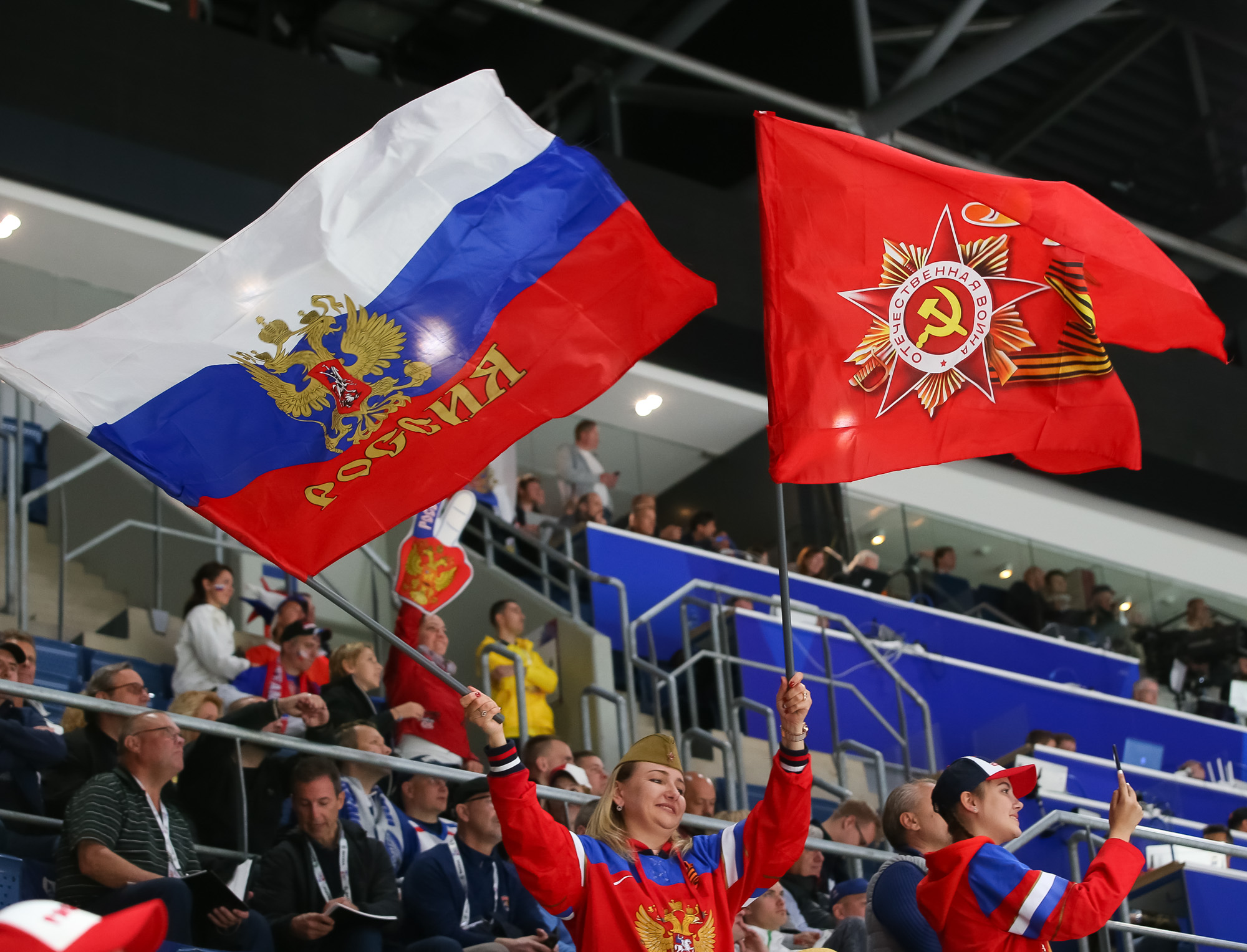 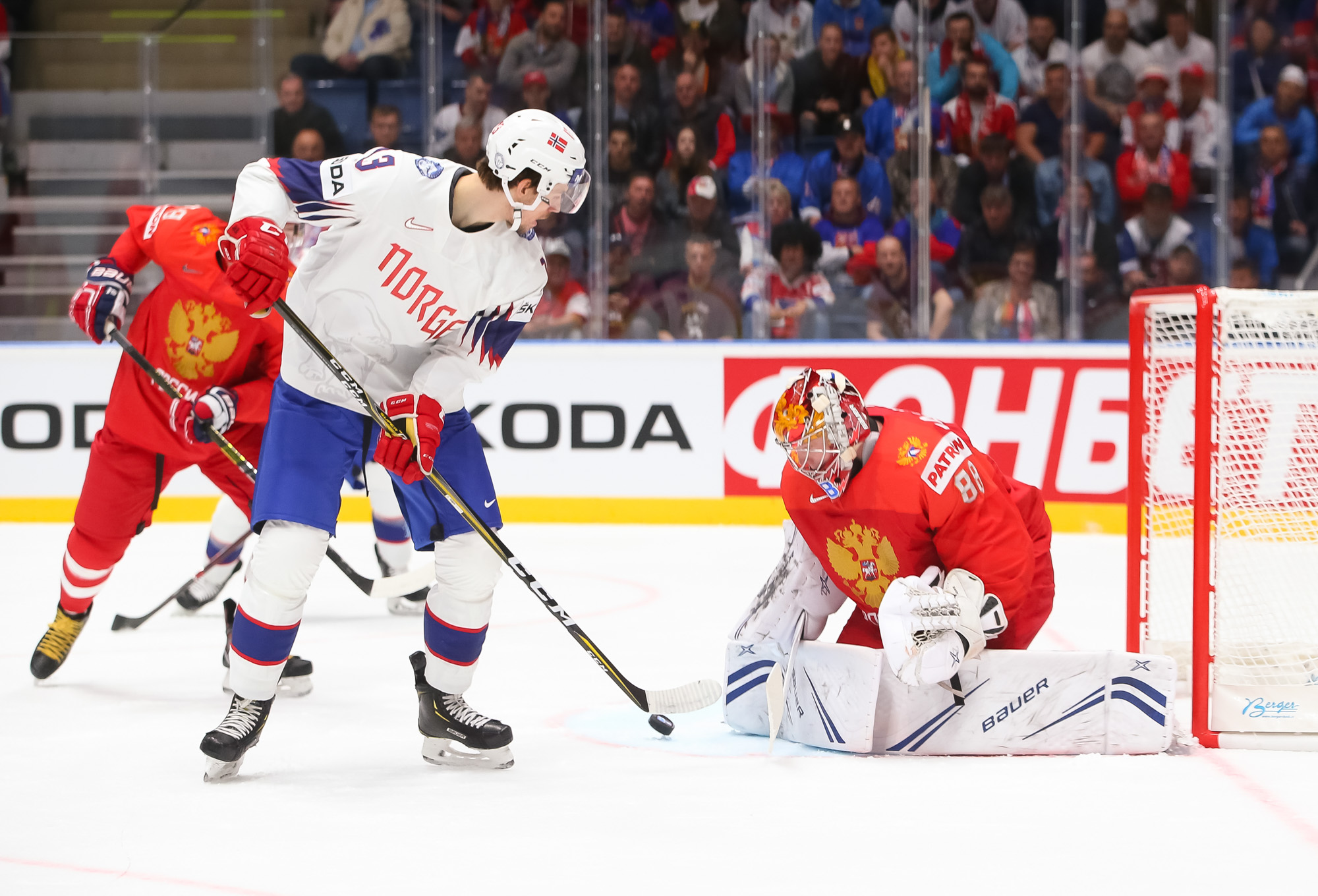 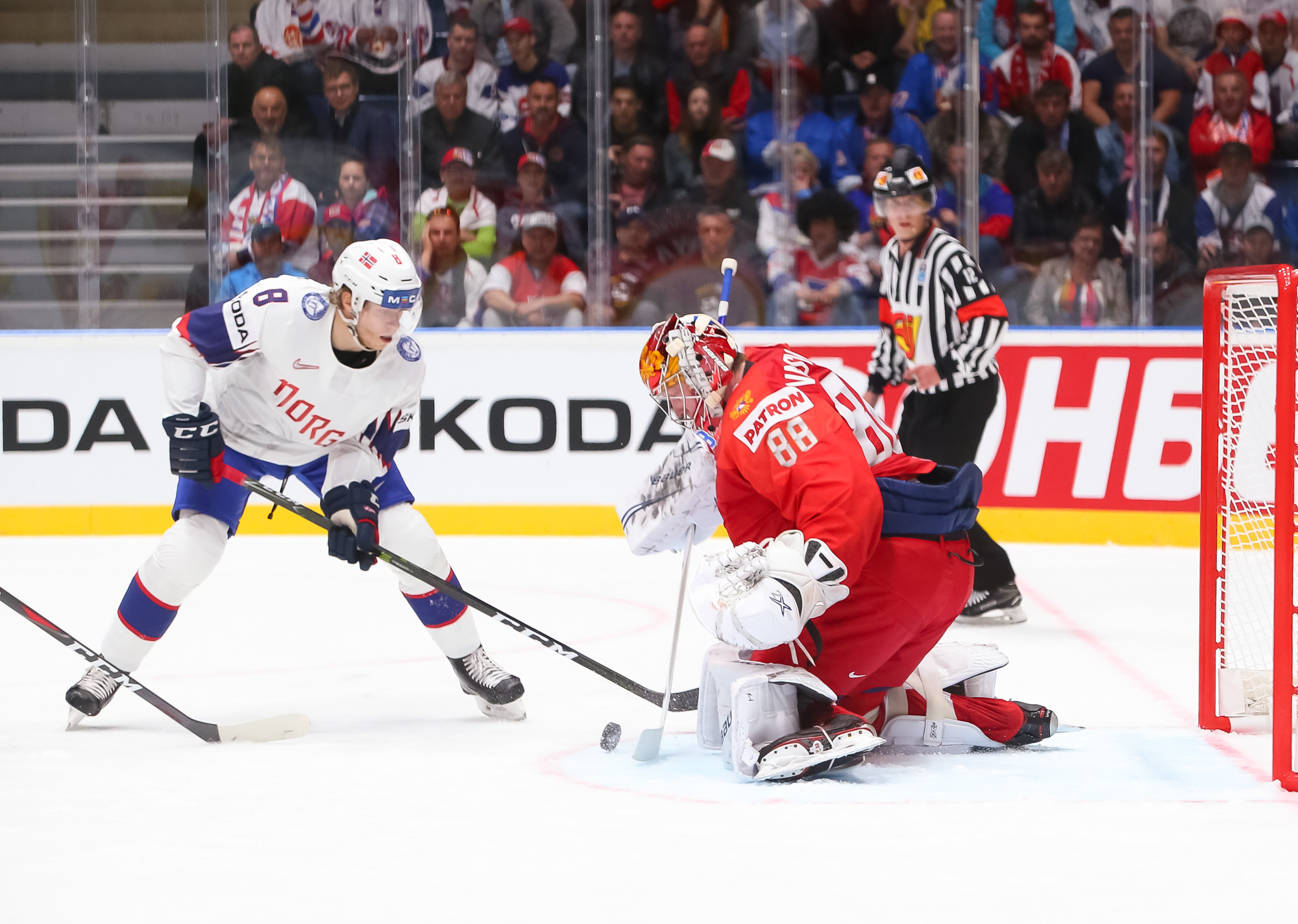 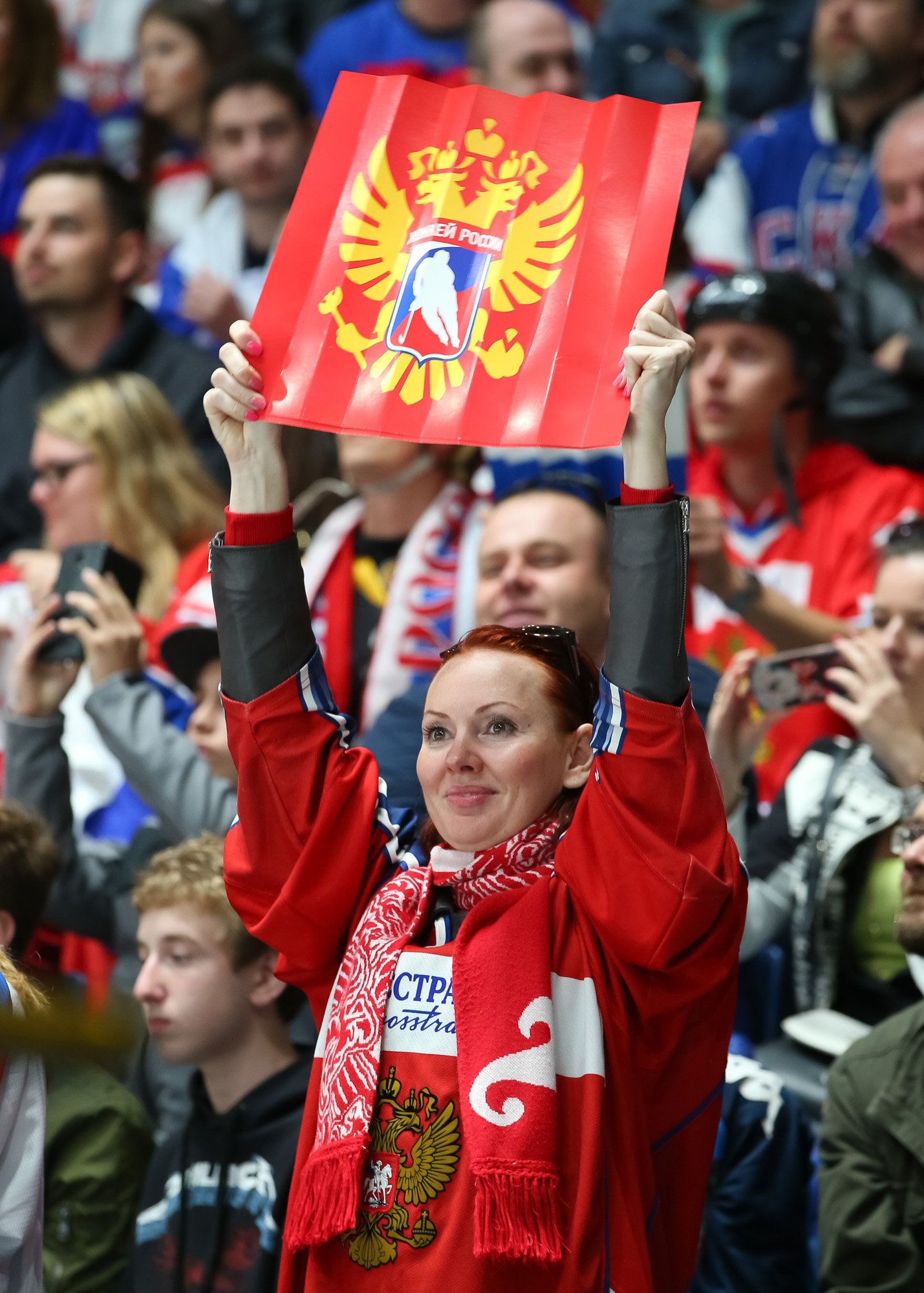 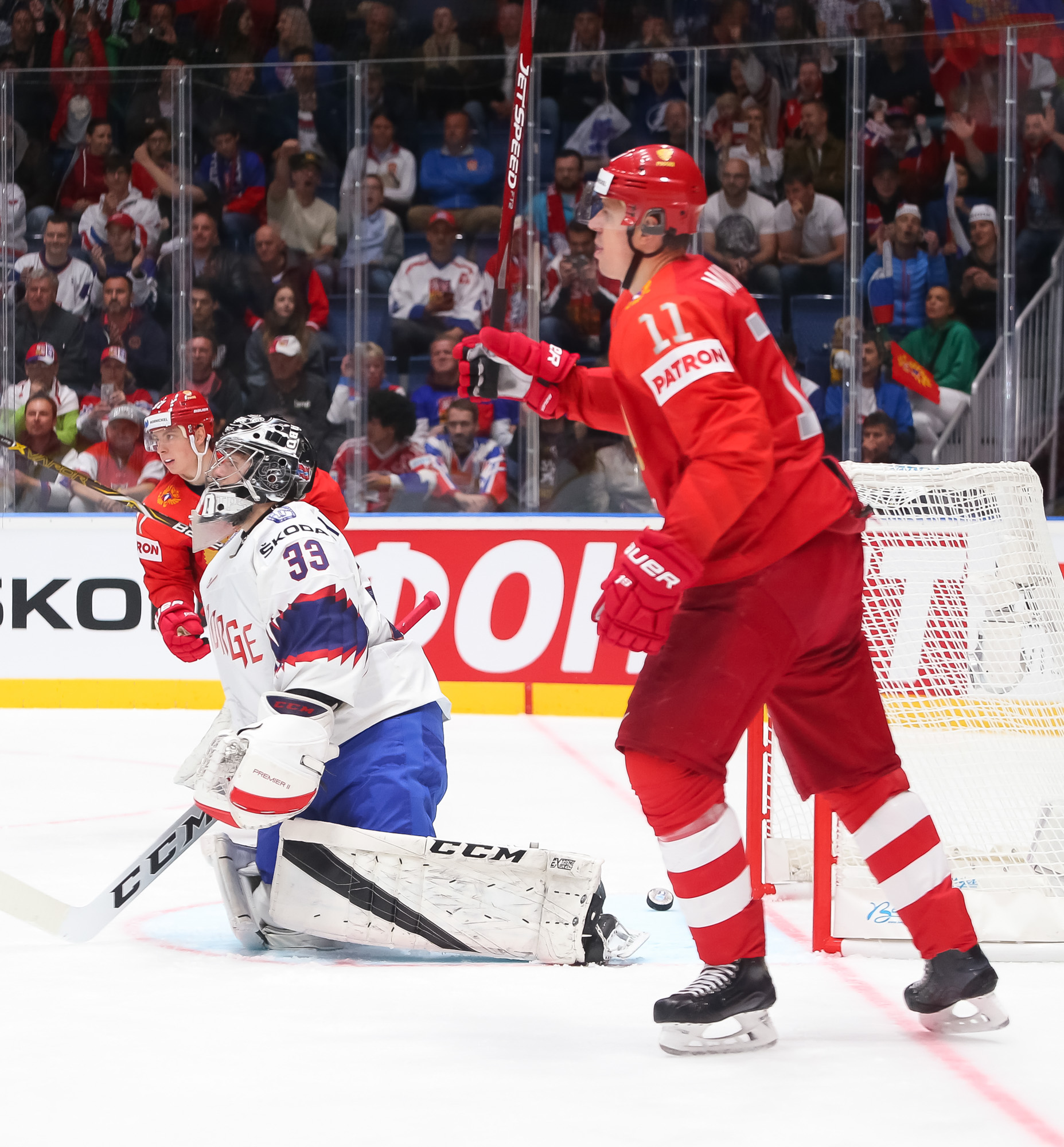 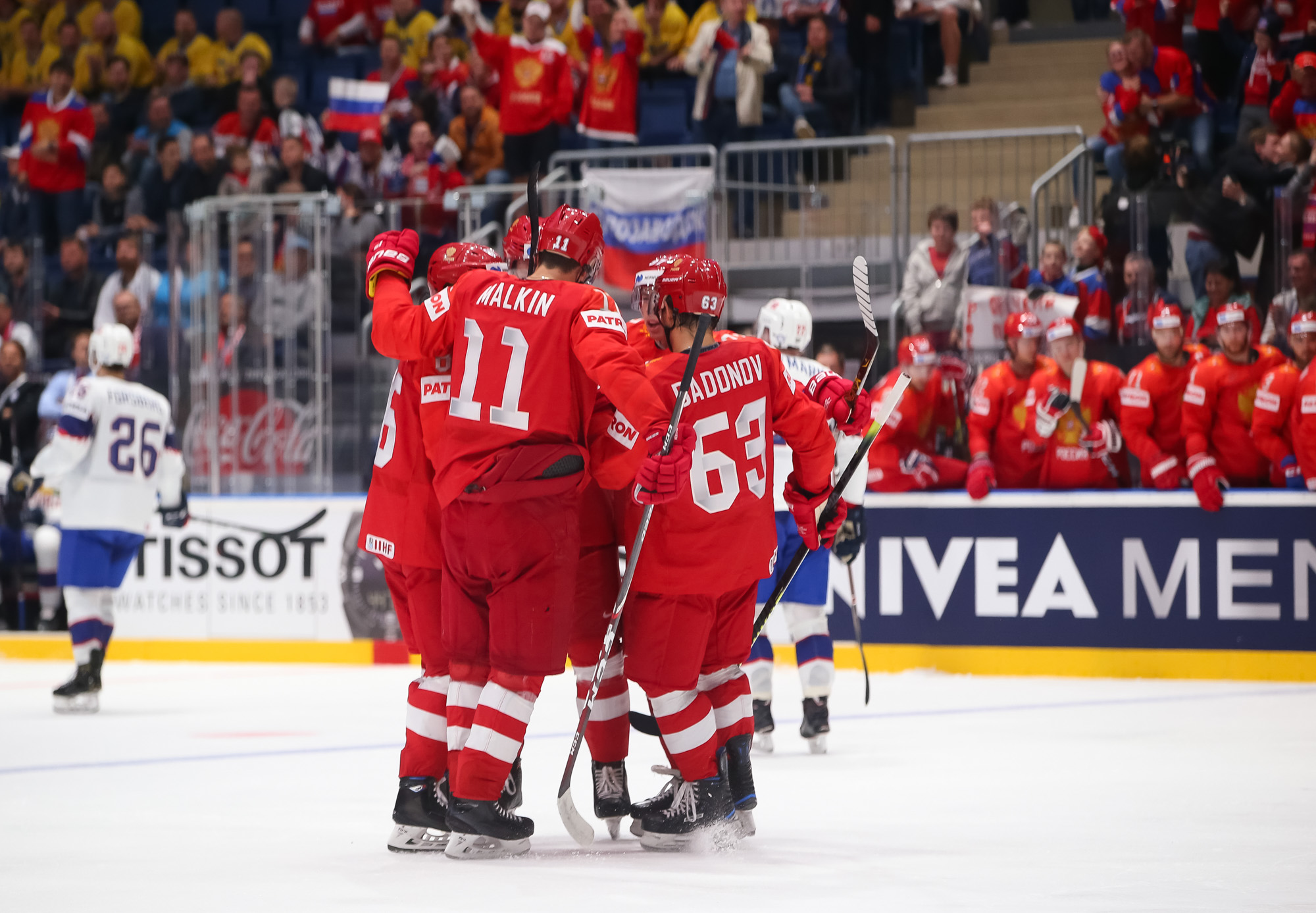 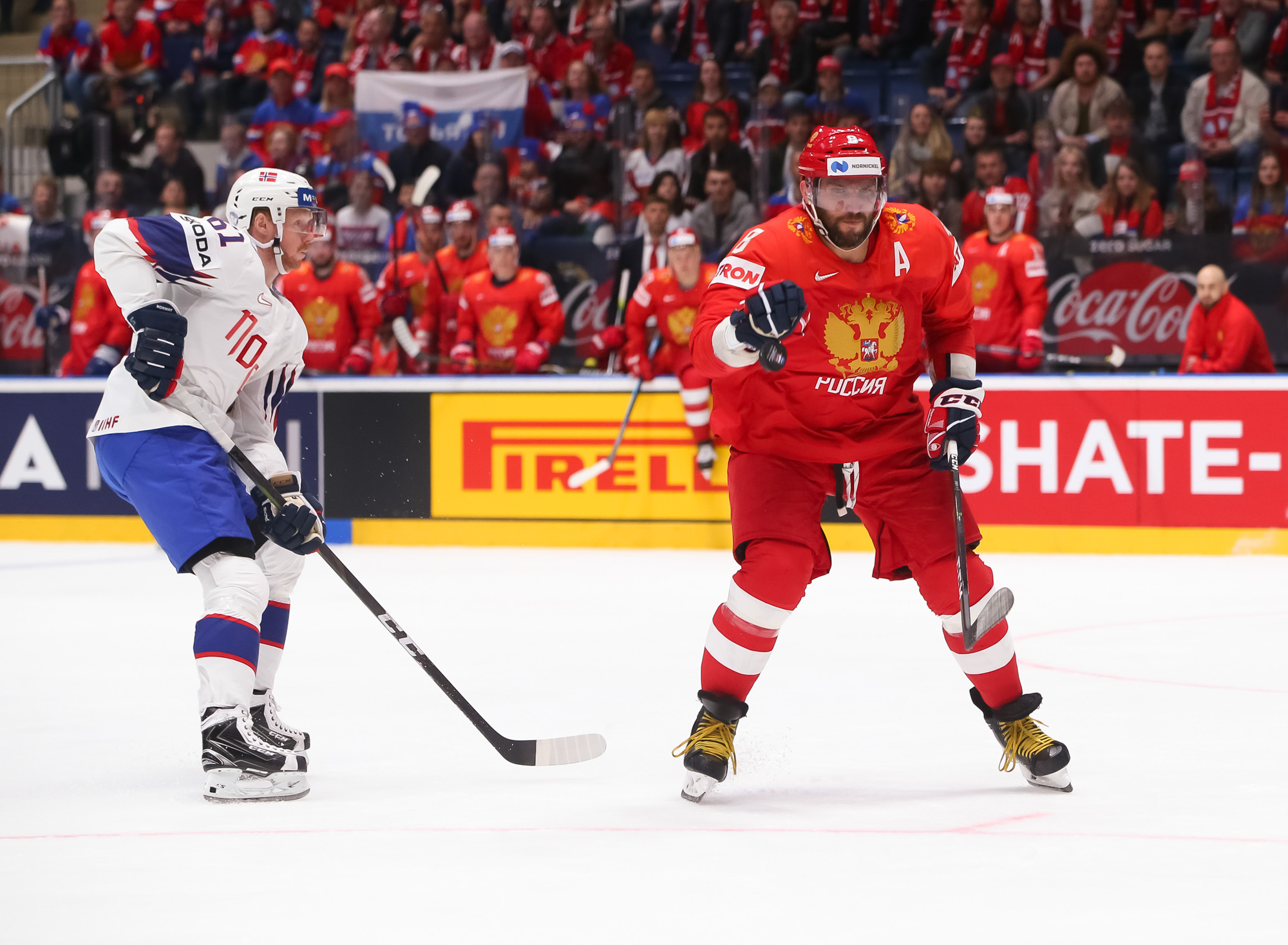 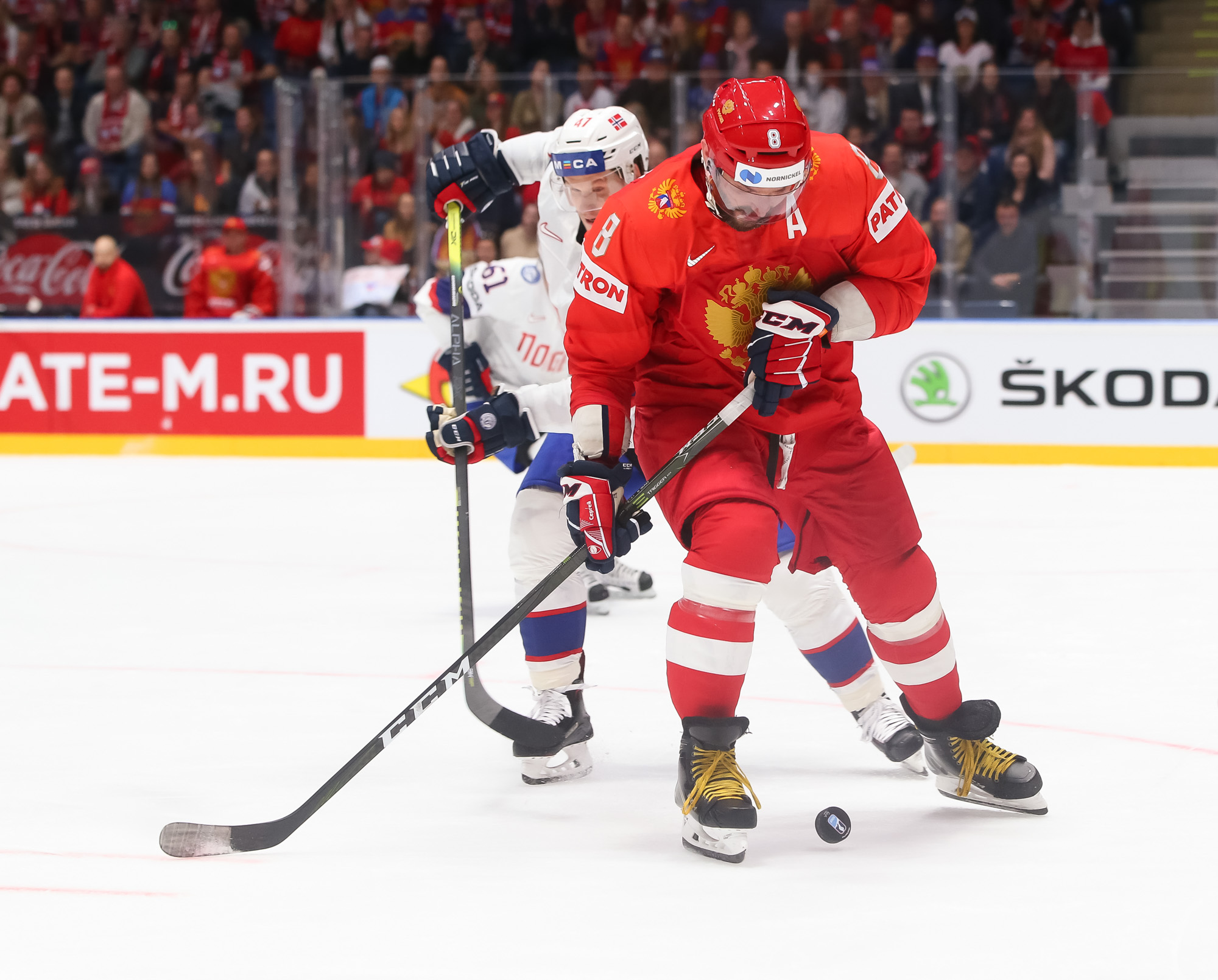 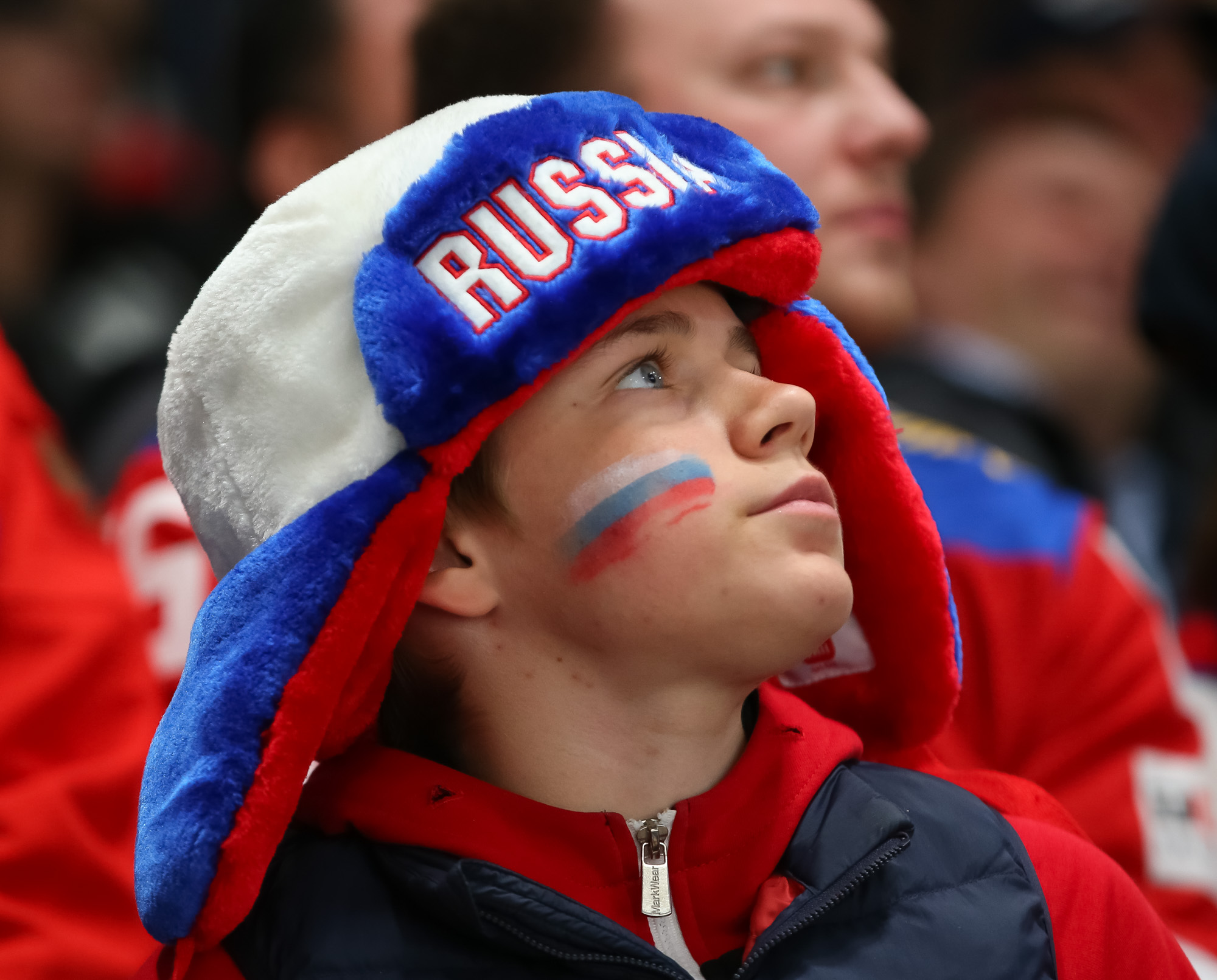 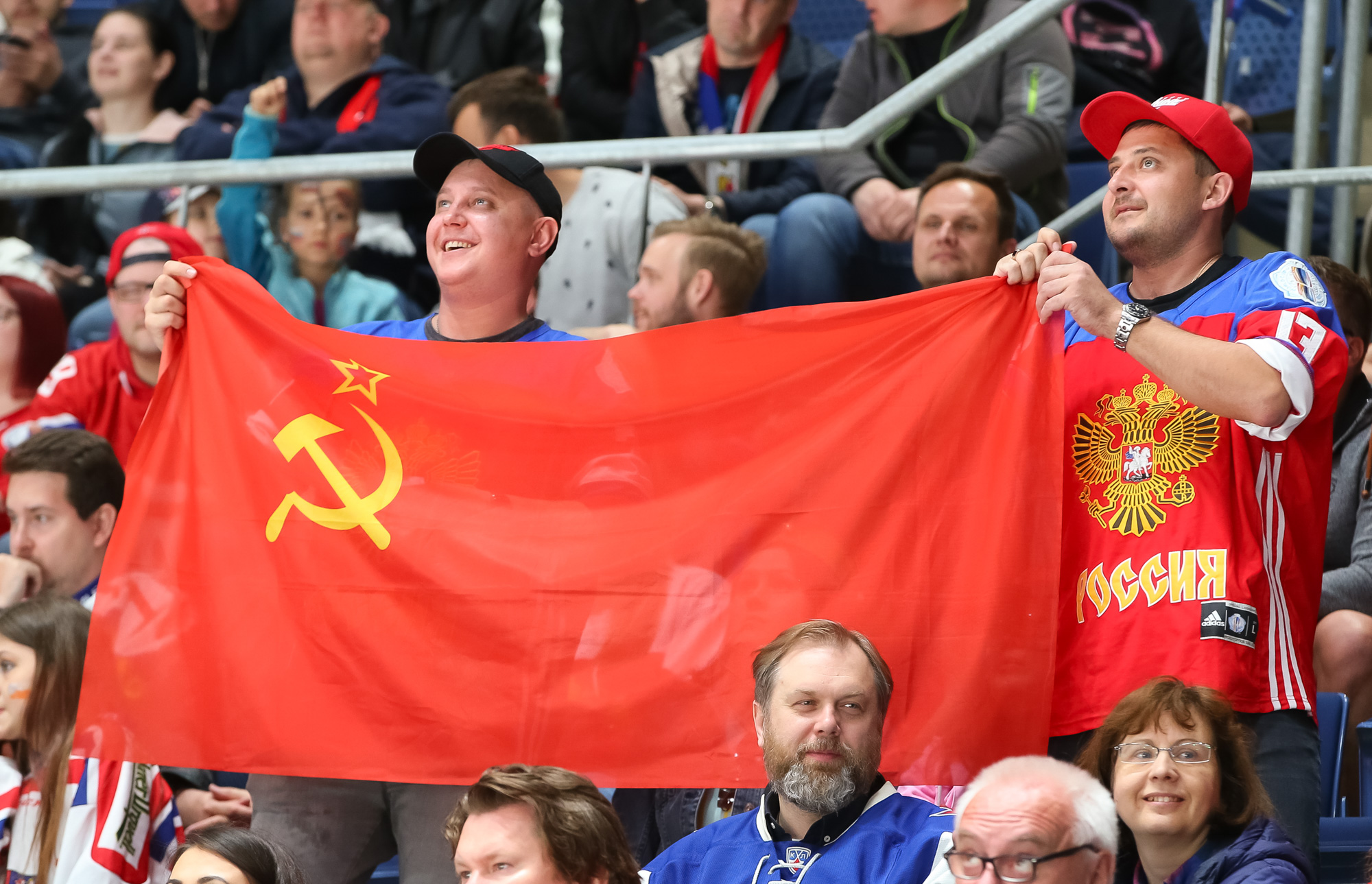 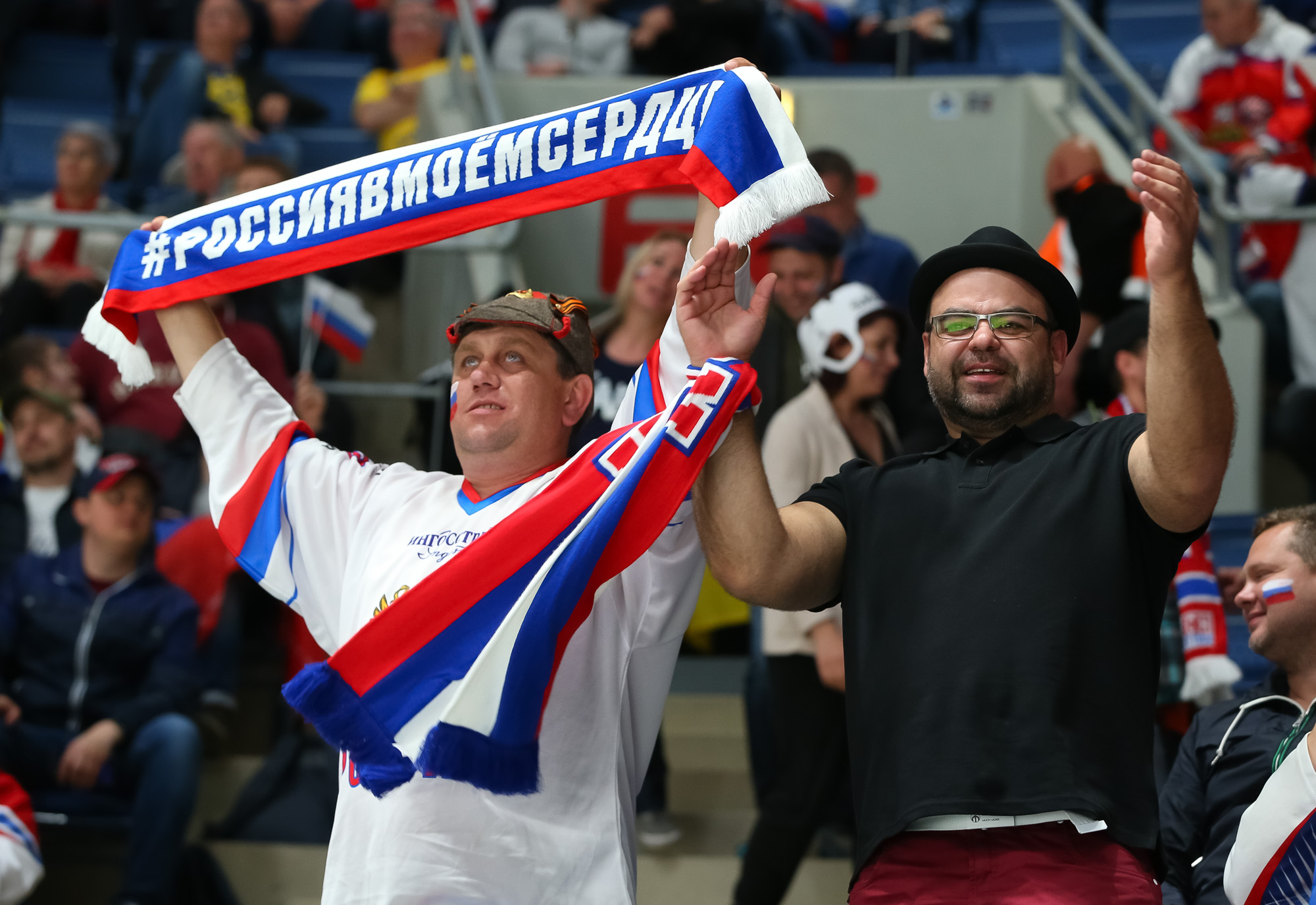 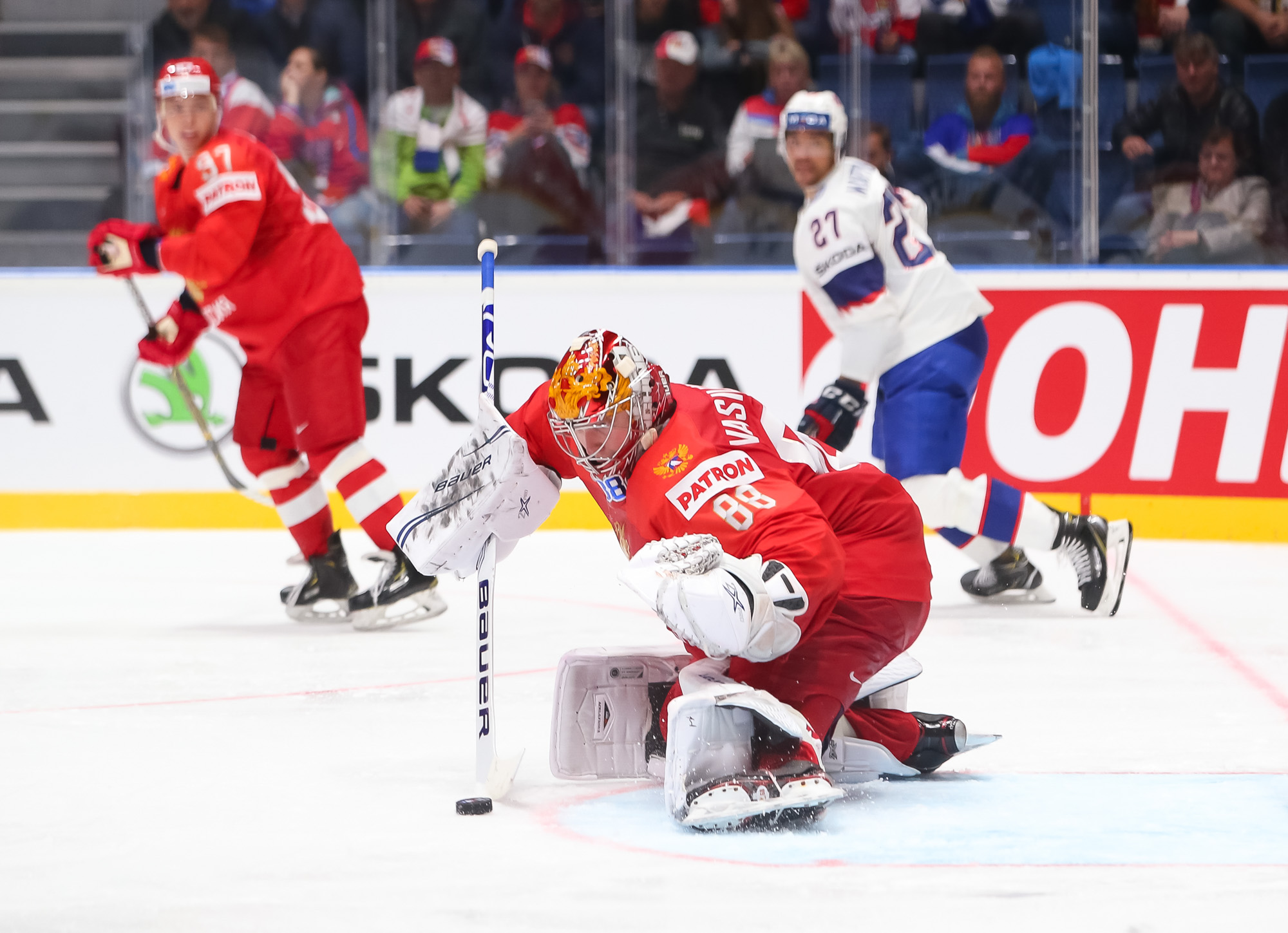 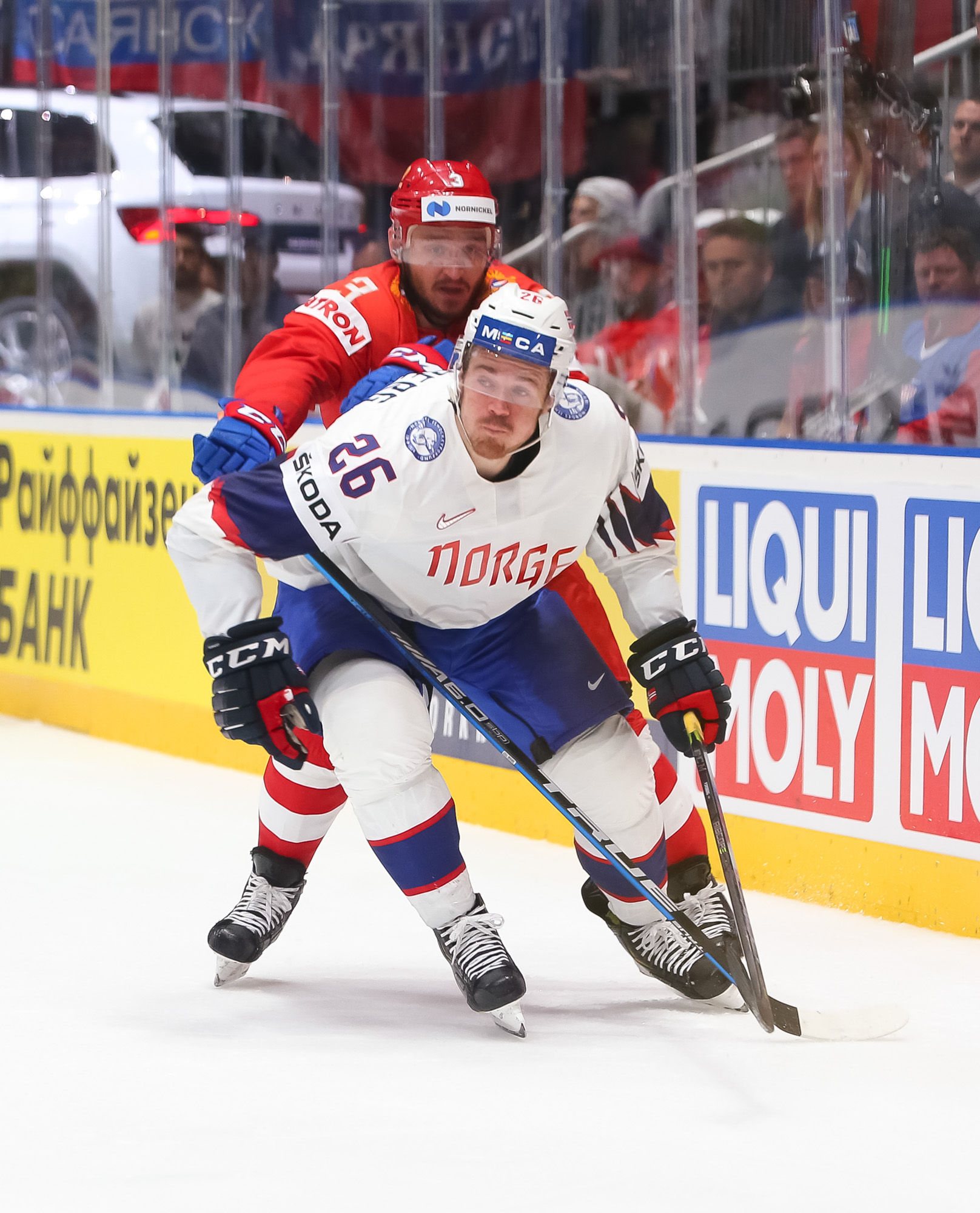 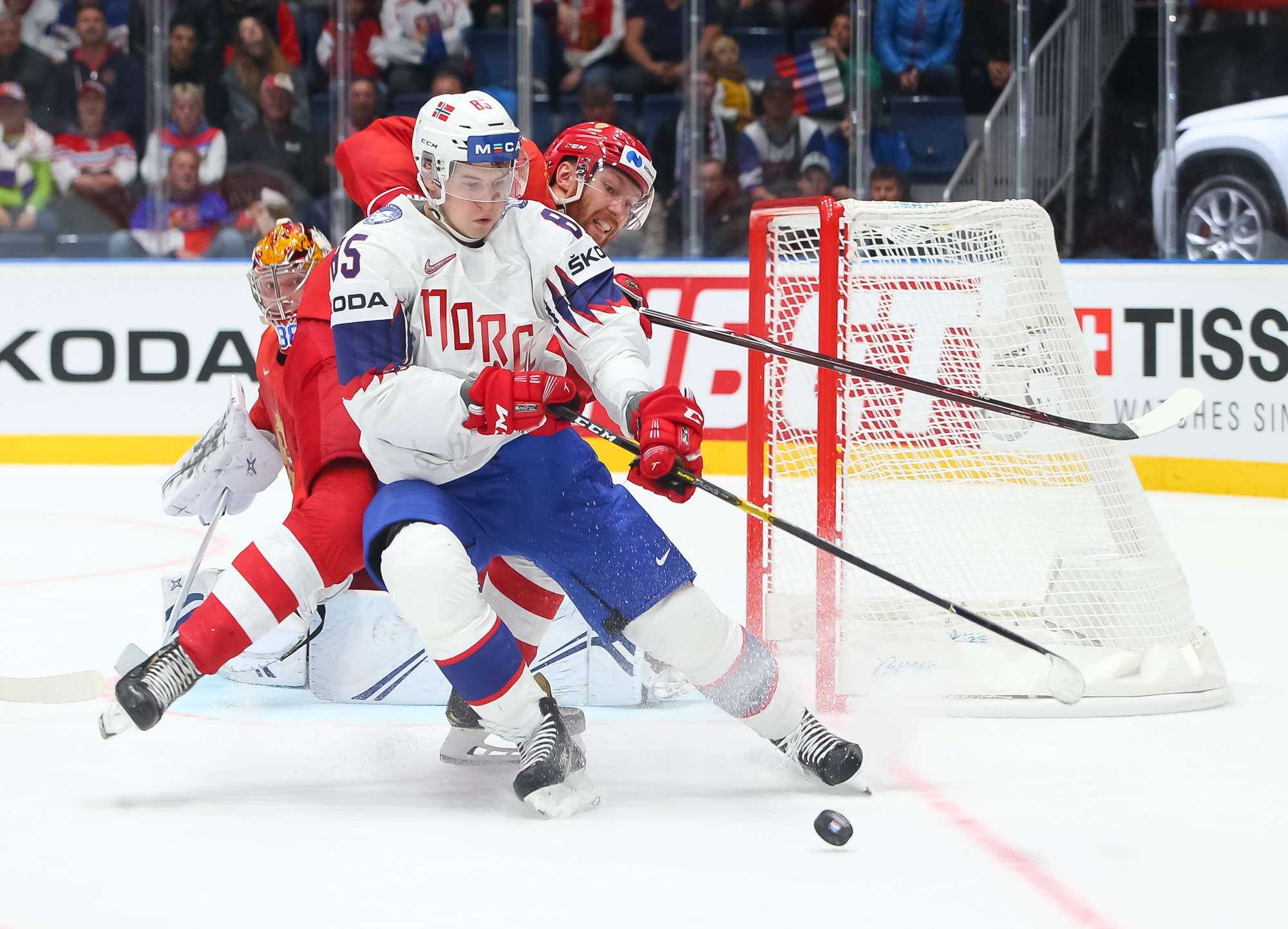 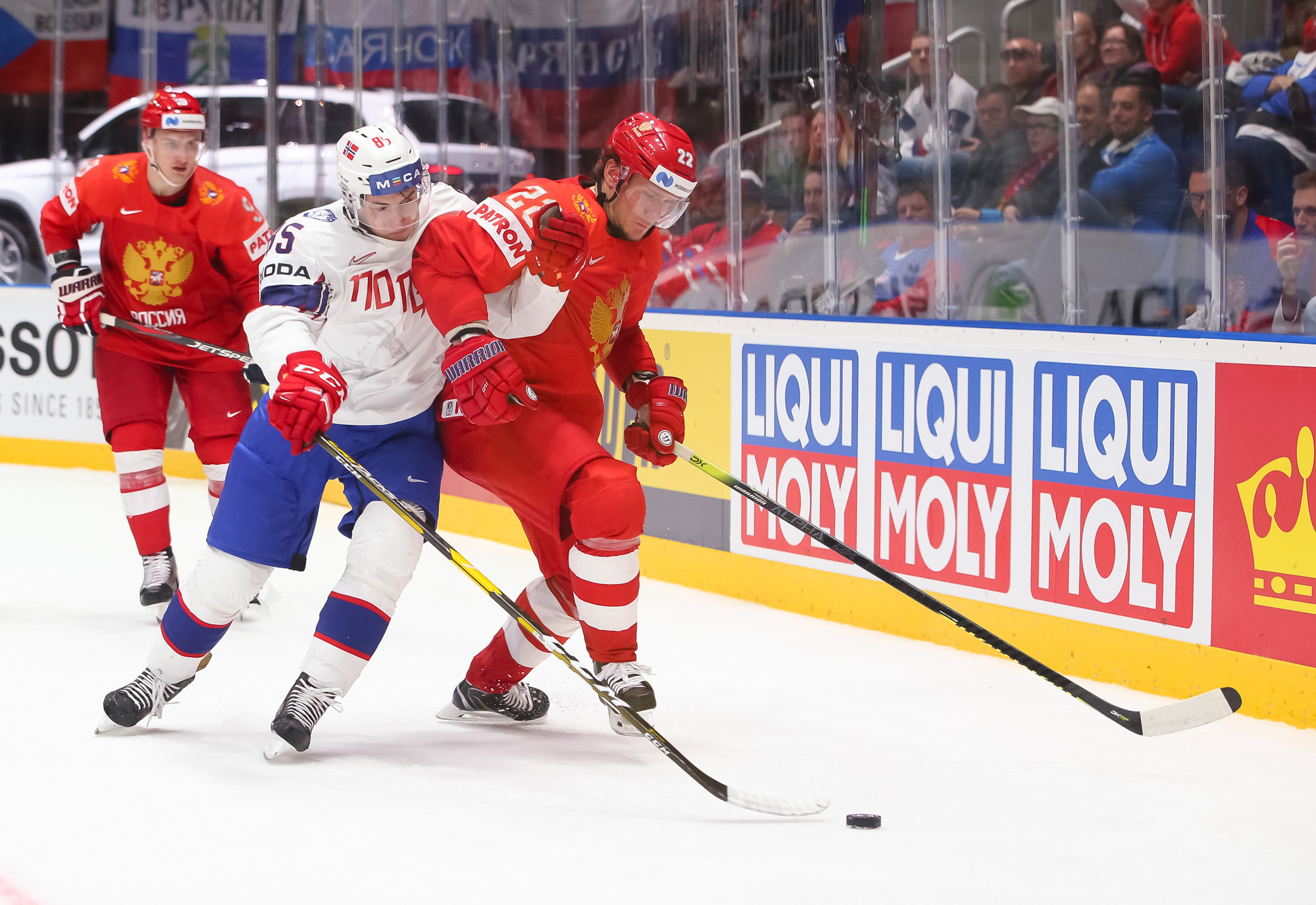 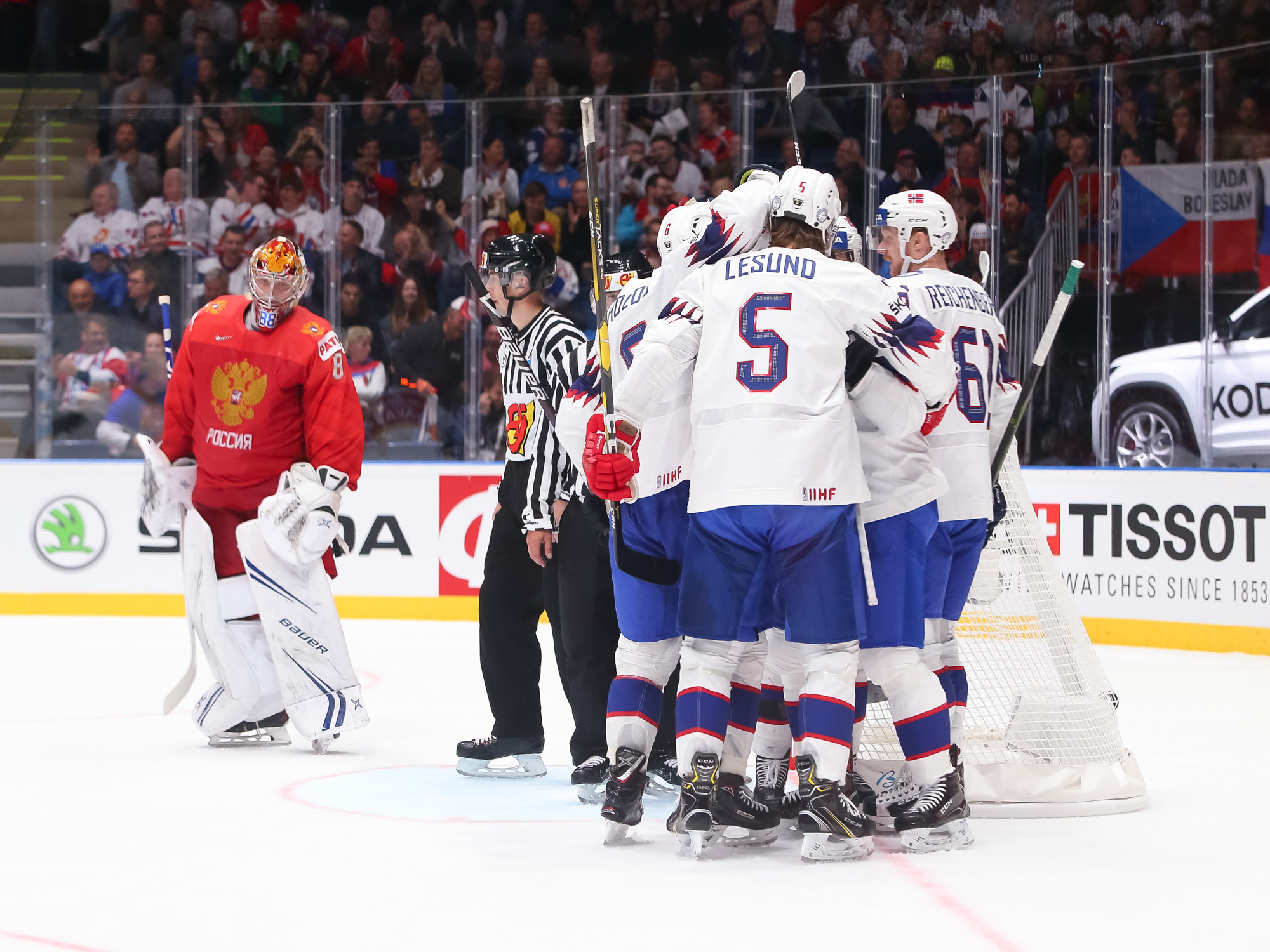 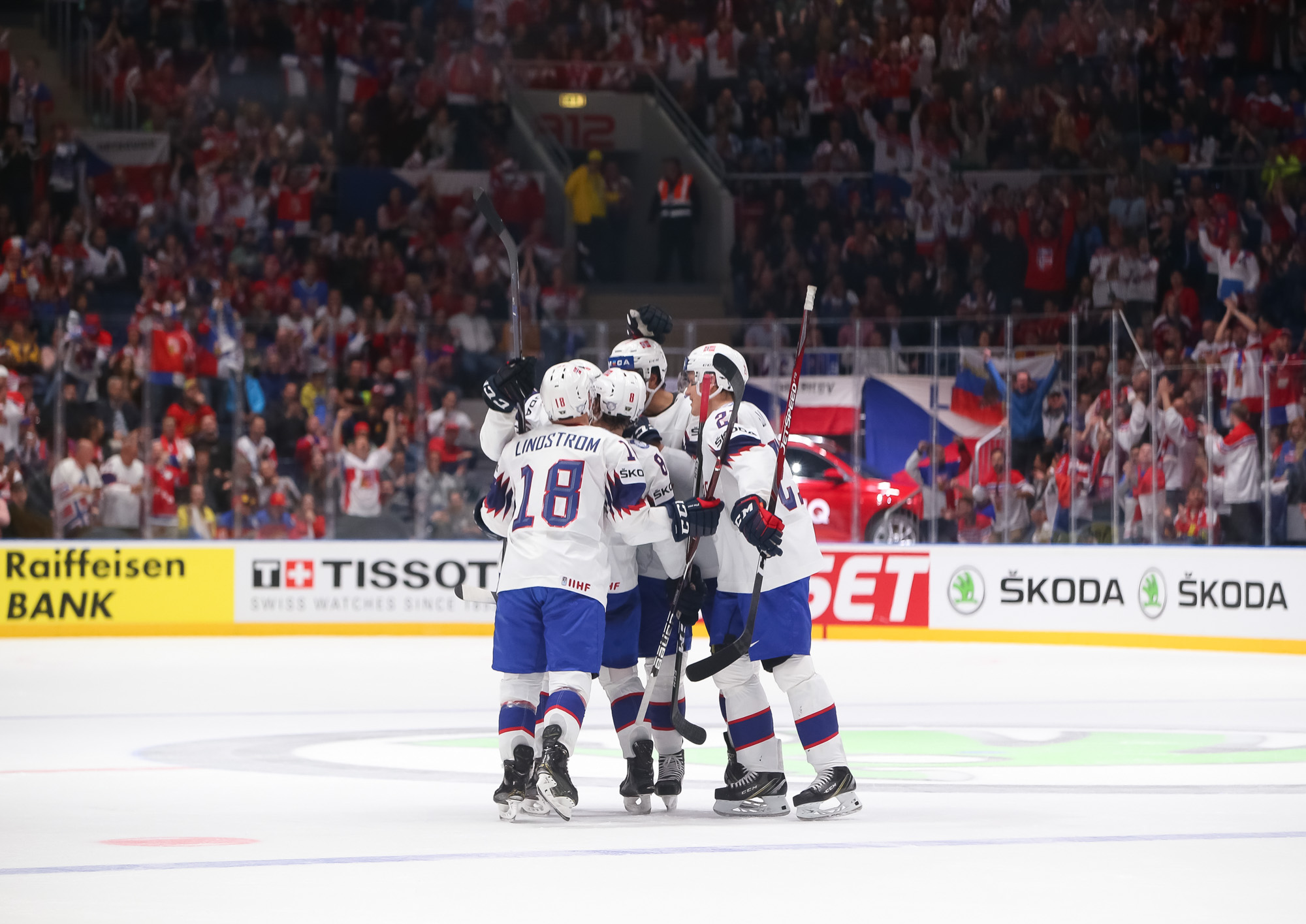 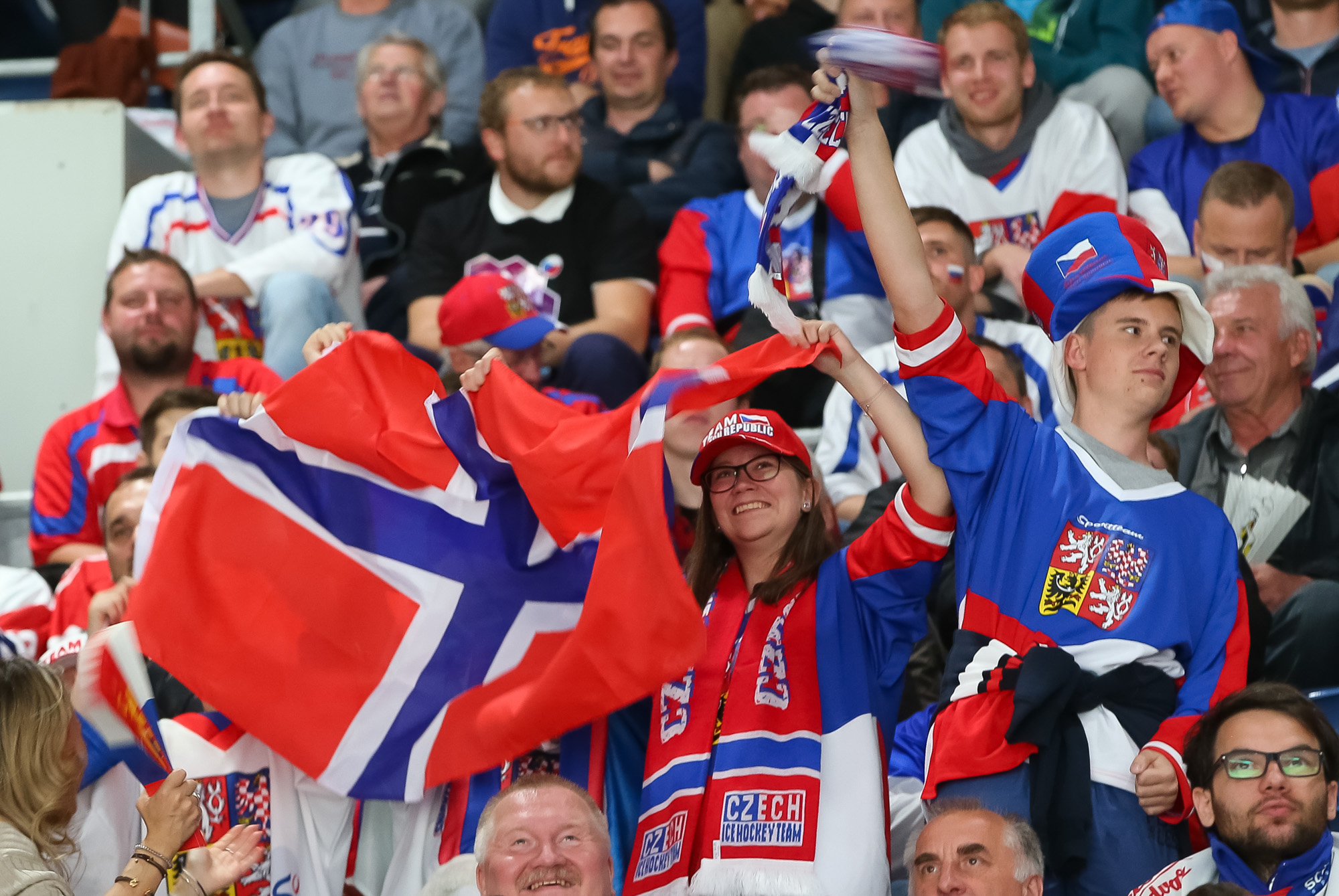 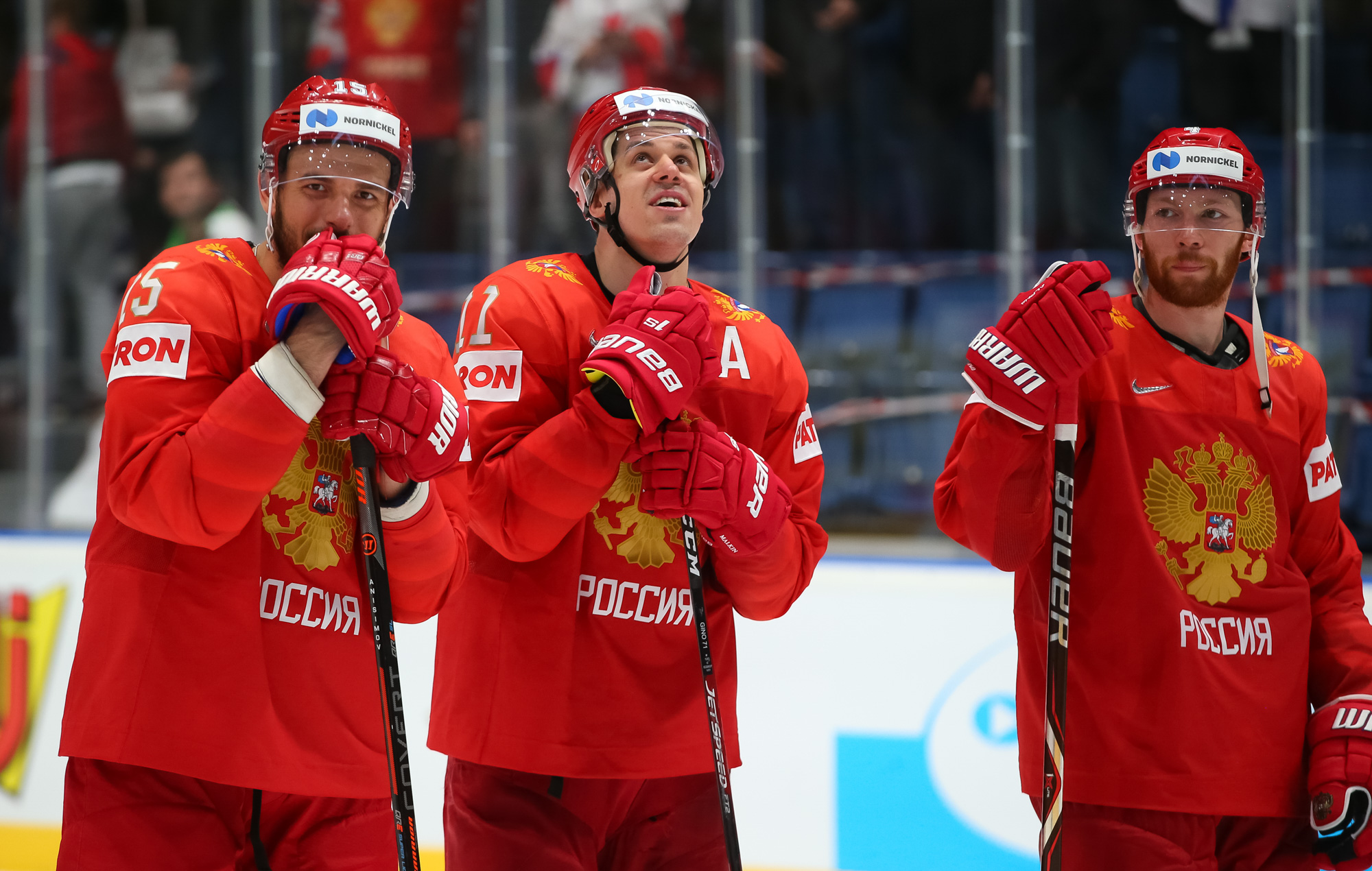 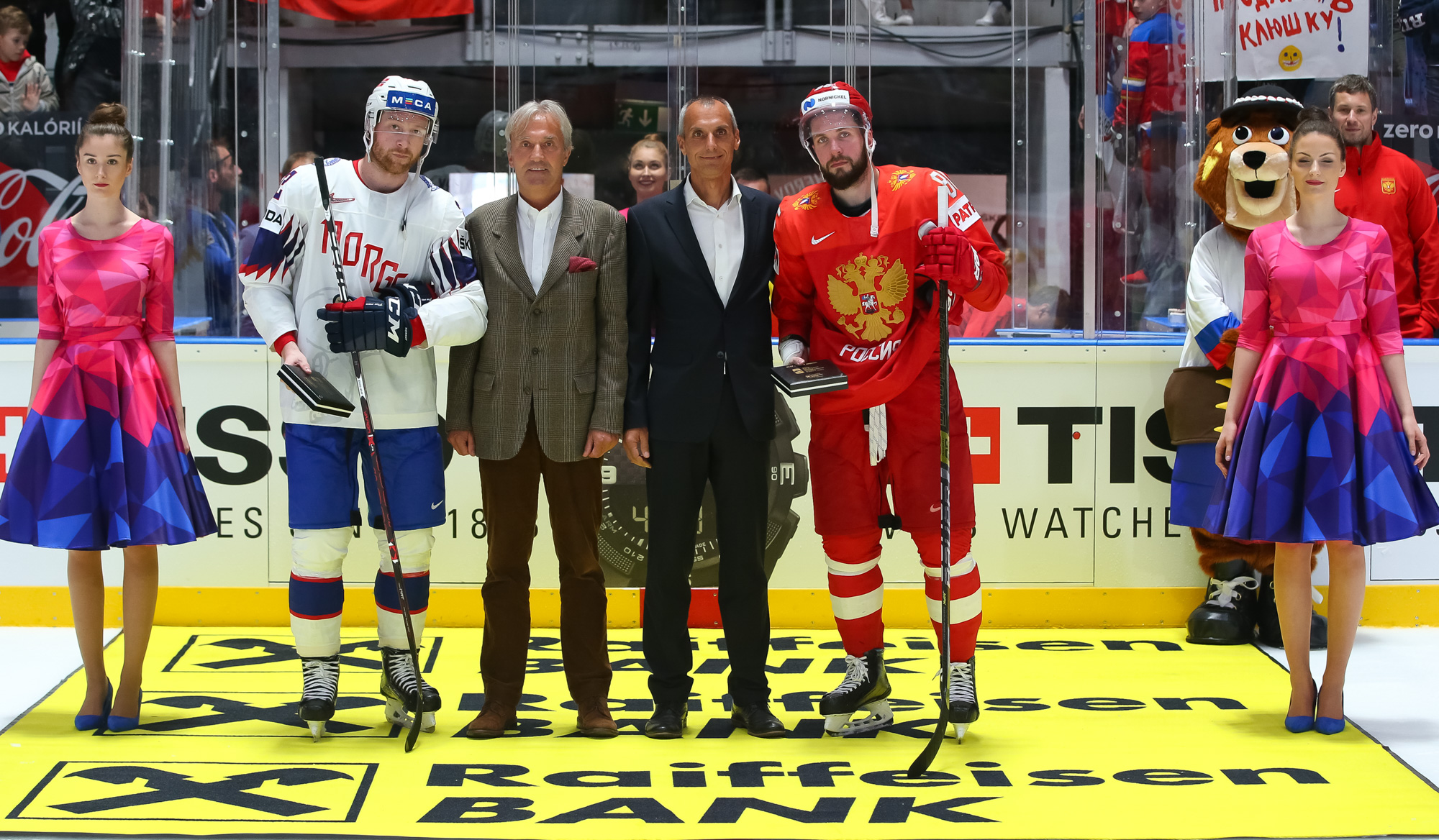 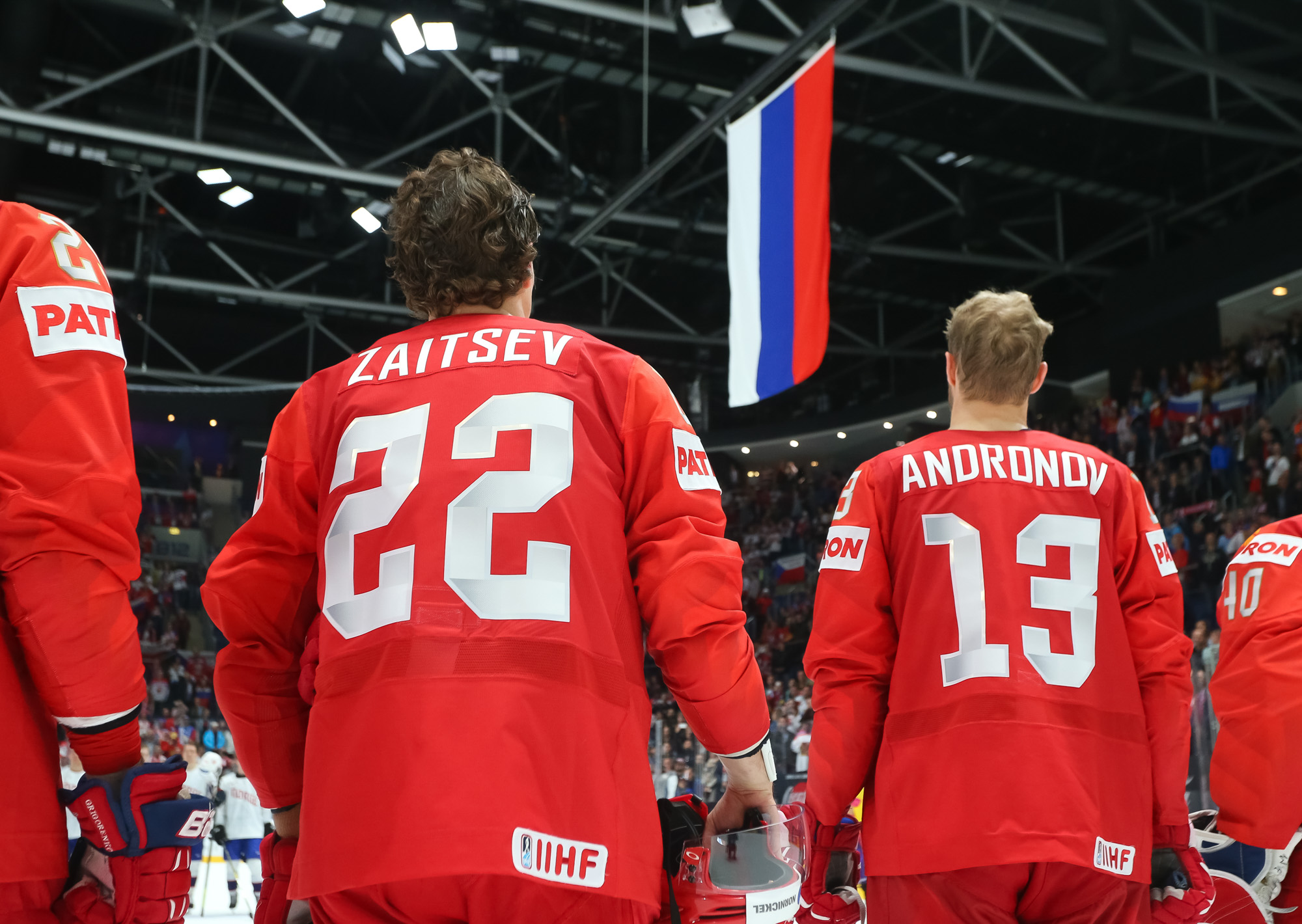 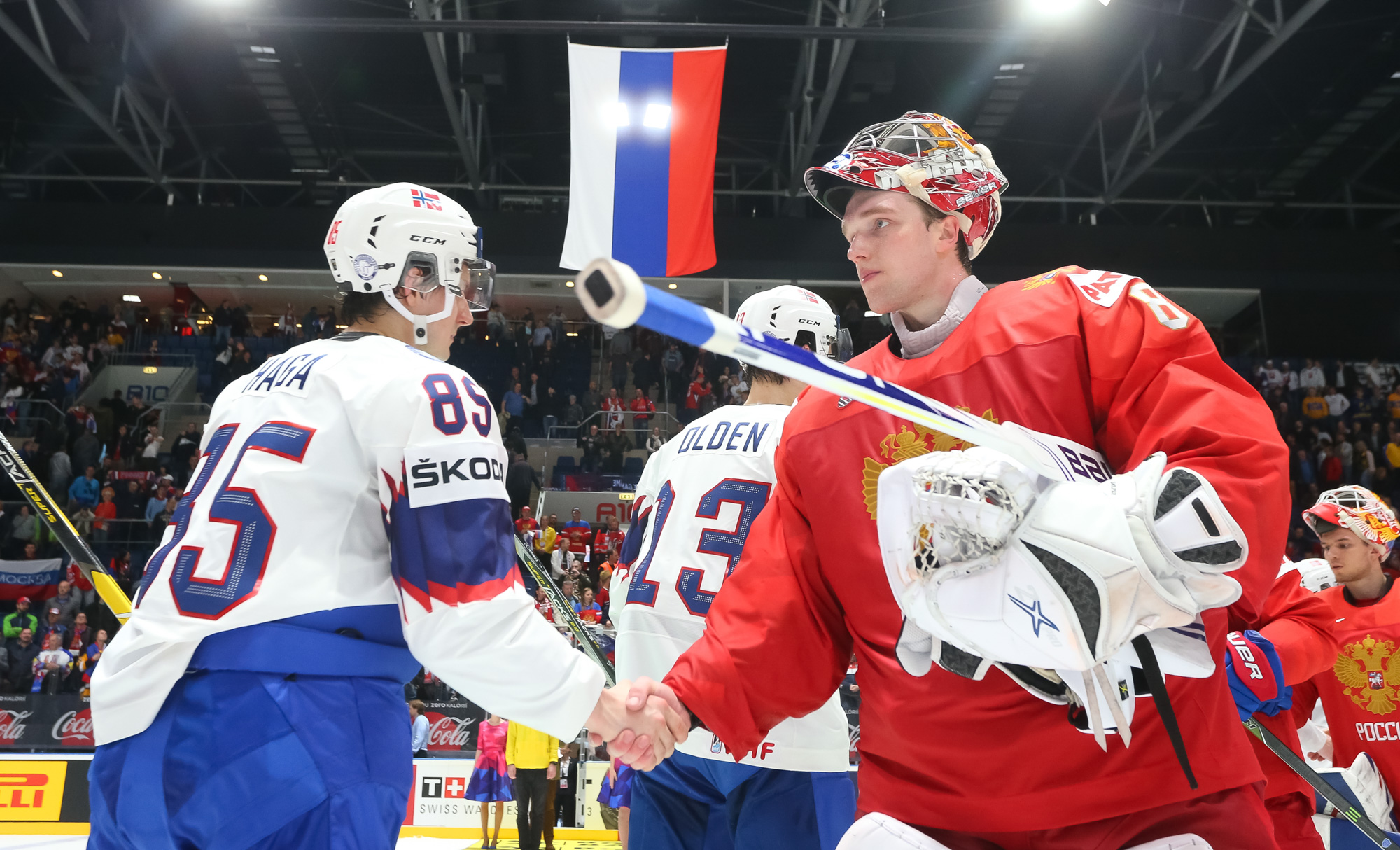 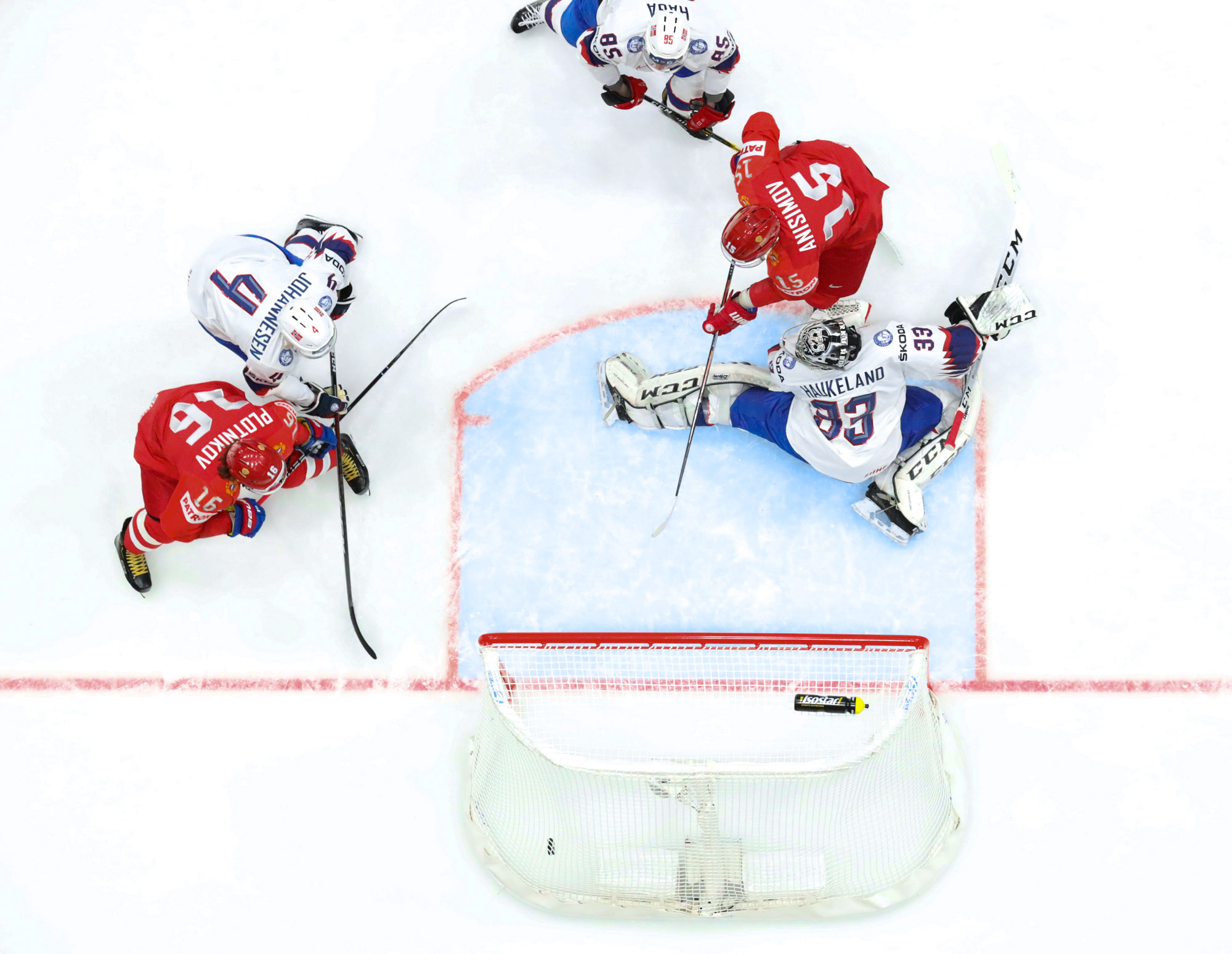 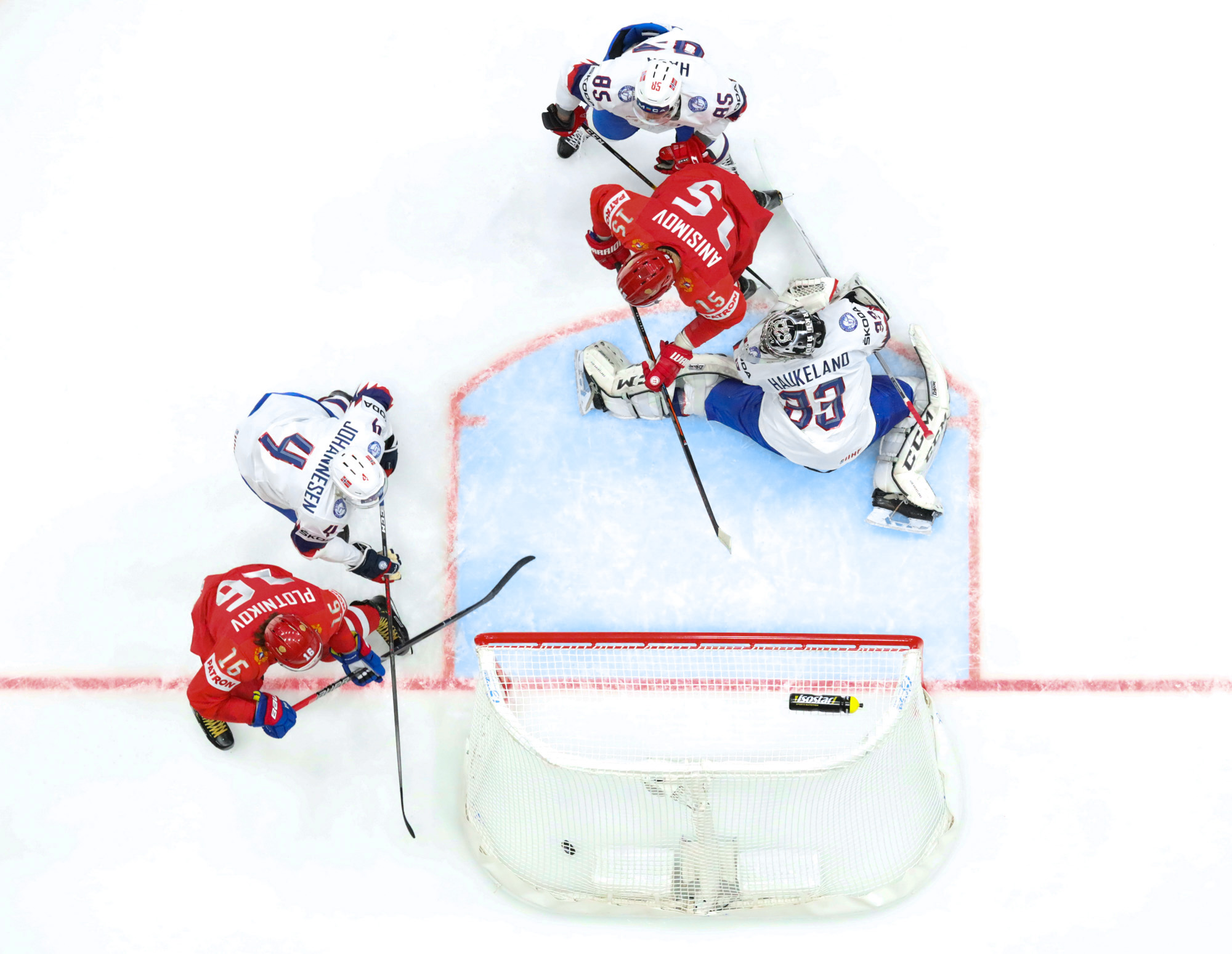 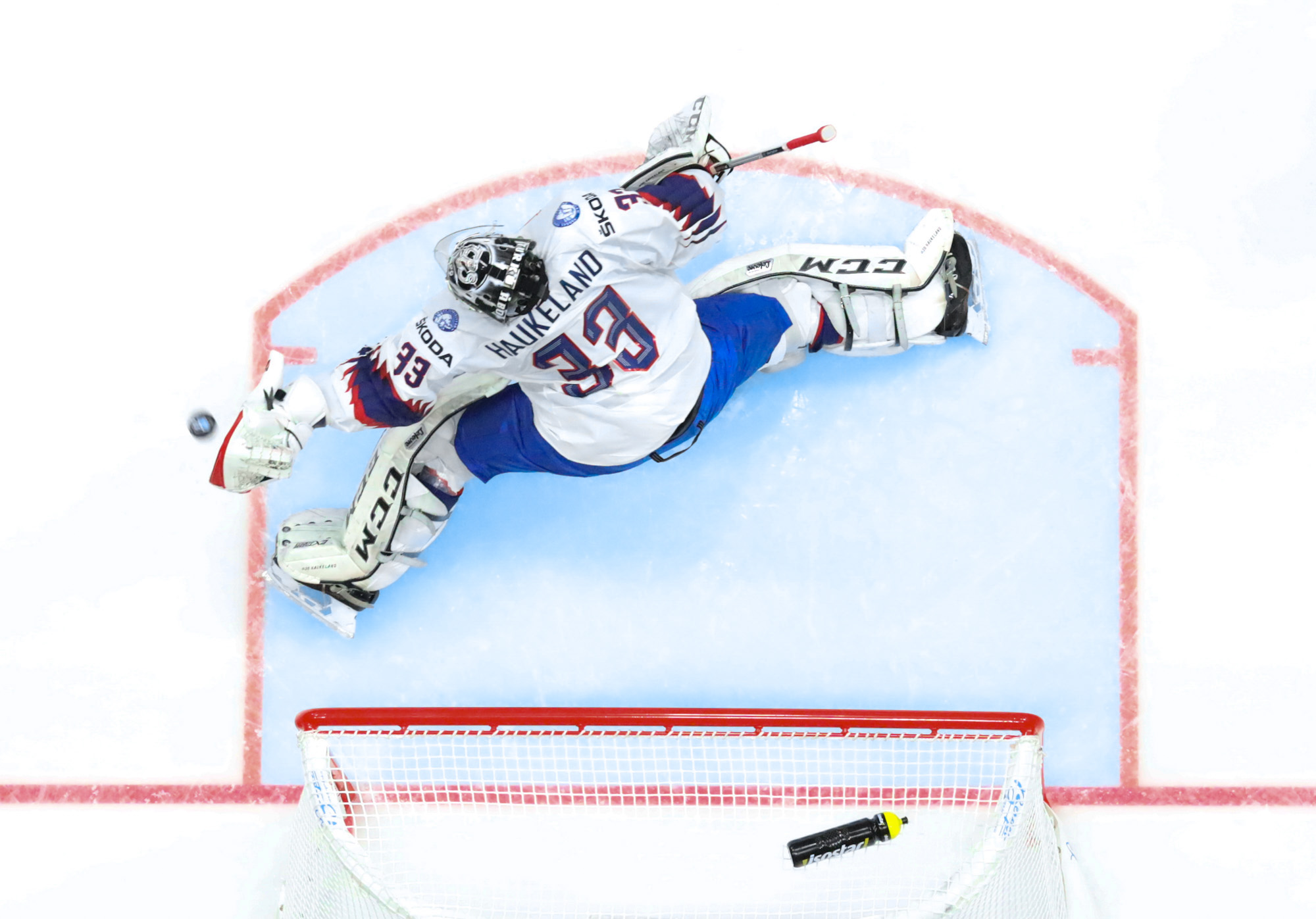