Tournament organizers front-loaded day one of the World Championship at Steel Arena in Kosice by providing fans with two great rivals to open the showcase tournament, Finland and Canada, and the countries lived up to their billing.

In the end, the Finns emerged with a 3-1 win thanks to two goals from 18-year-old sensation Kaapo Kakko. His first was a sensational effort, and his second was into the empty Canadian net. The decisive goal, though, came on a power-play early in the third by Arttu Ilomaki, who also assisted on the first Finnish goal.

"It was such a great feeling out there, and our fans were so unbelievable today," Kakko enthused. "The team battled really well."

"I think it was a good team effort," said captain Marko Anttila. "We had a really good start and battled hard. It’s especially good because we have a lot of first-timers in the World Championship, so that’s not always easy because players can be a little bit nervous, but I think we had a good team game today."

"We came out a little tentative on our decisions with the puck, but we got a lot better in the second period," offered Alain Vigneault, Canada's coach. "We generated some good scoring chances. In the third period, they get a bounce, we have no idea where the puck is, and it ends up in our net. We didn’t respond well after that. Nothing we can do now, just have a good practice tomorrow and get ready for the next game."

Finland started with energy and speed, putting a nervous-looking Canadian side on the defensive for the first ten minutes, but Canada slowly worked its way into the game and dominated the second. The third was even except for the winning goal as Canada rued its inability to convert on its chances.

Kakko, the teen sensation who can make history in Slovakia, opened the scoring for Finland on a thrilling series of plays. Deep in his own end, Ilomaki made a pass to Sakari Manninen inside his own blue line and looking back at Ilomaki.

Manninen merely tipped the puck between his legs up ice and let Kakko do the rest. He caught up to the puck, drove in on goal, and deked Matt Murray with a beautiful goal at 6:47.

Canada’s sluggish start came to an end soon after Kakko’s goal thanks to a power play. Jonathan Marchessault wired a shot over the glove short side of Kevin Lankinen a minute and a half after the opening goal, tying the game and silencing the pro-Finland crowd.

Canada dominated the second period, buzzing around the Finnish goal and creating several great scoring chances, but Lankinen stood tall and kept the score 1-1 through 40 minutes.

Ilomaki broke the tie early in the third on Finland’s first power play of the game. He knocked in a loose puck off a scramble in front of Murray just seven seconds after Damon Severson went off for cross-checking. 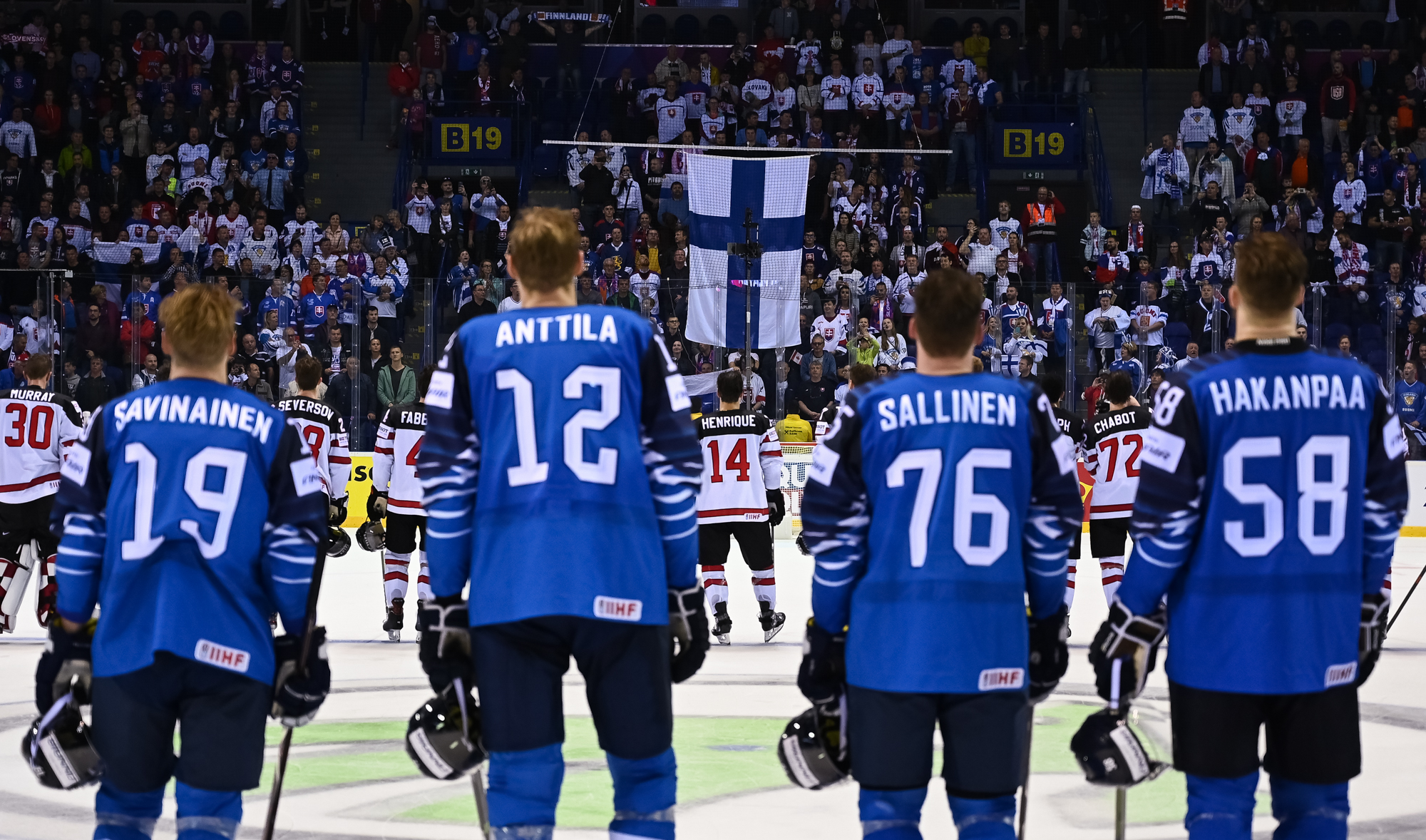 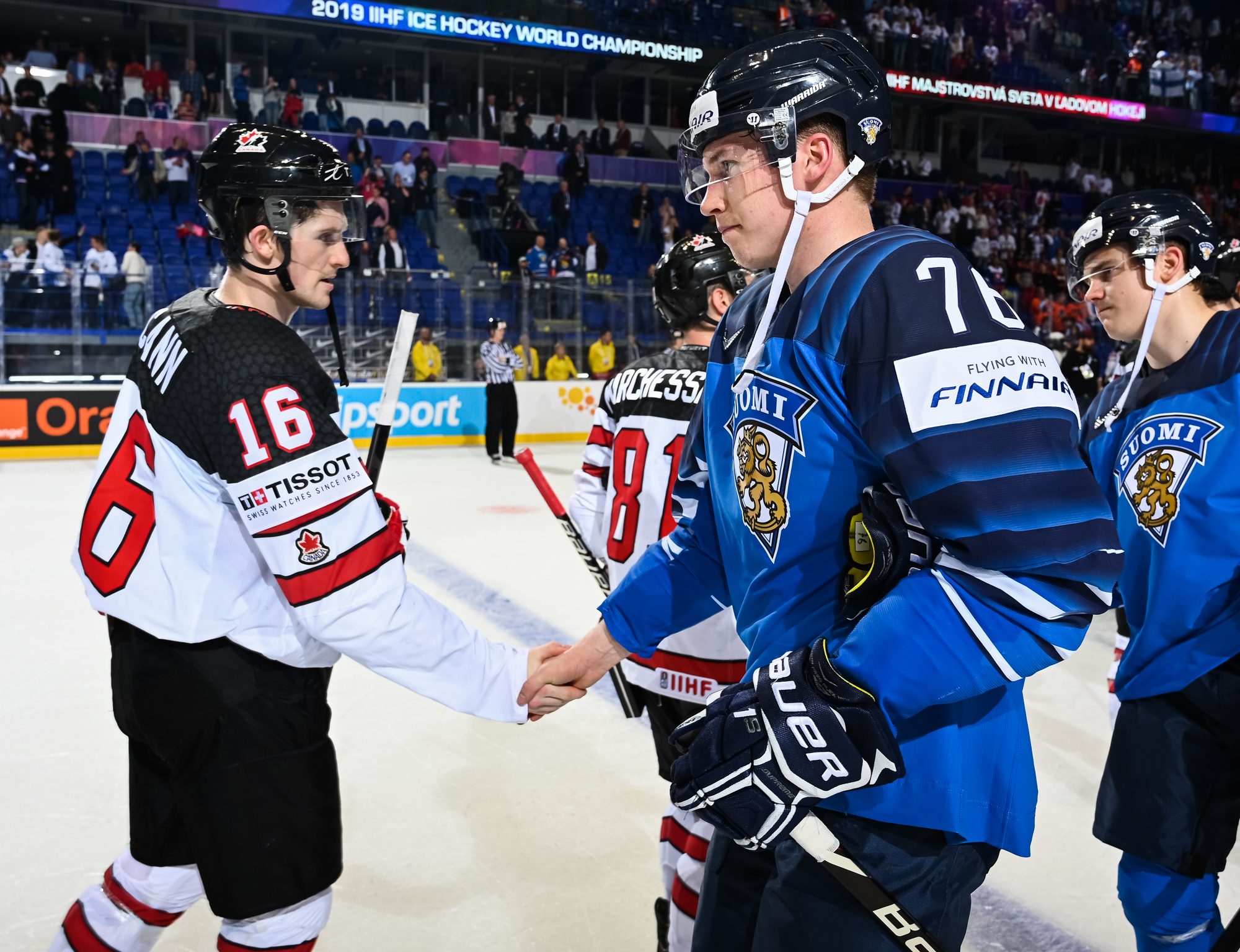 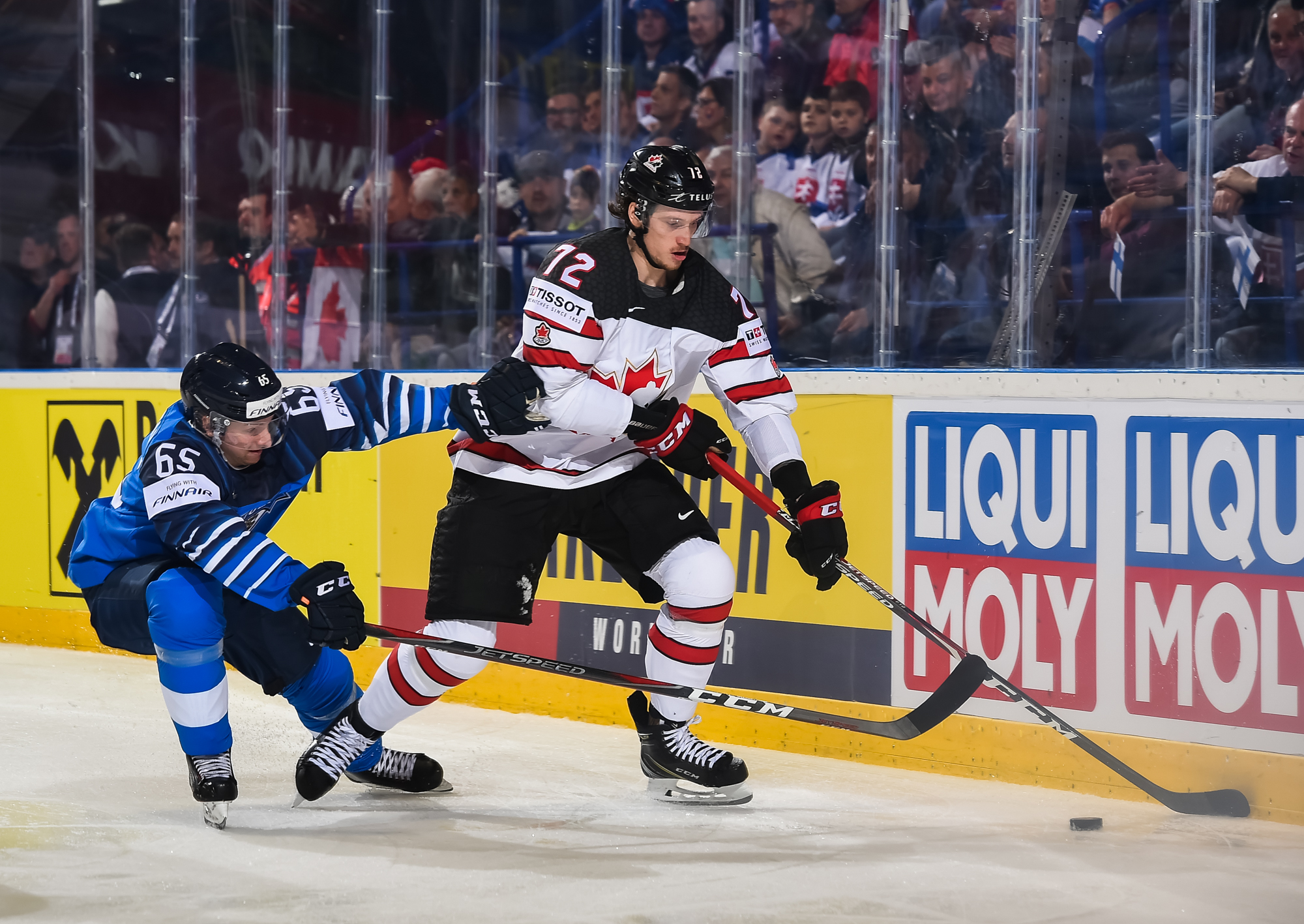 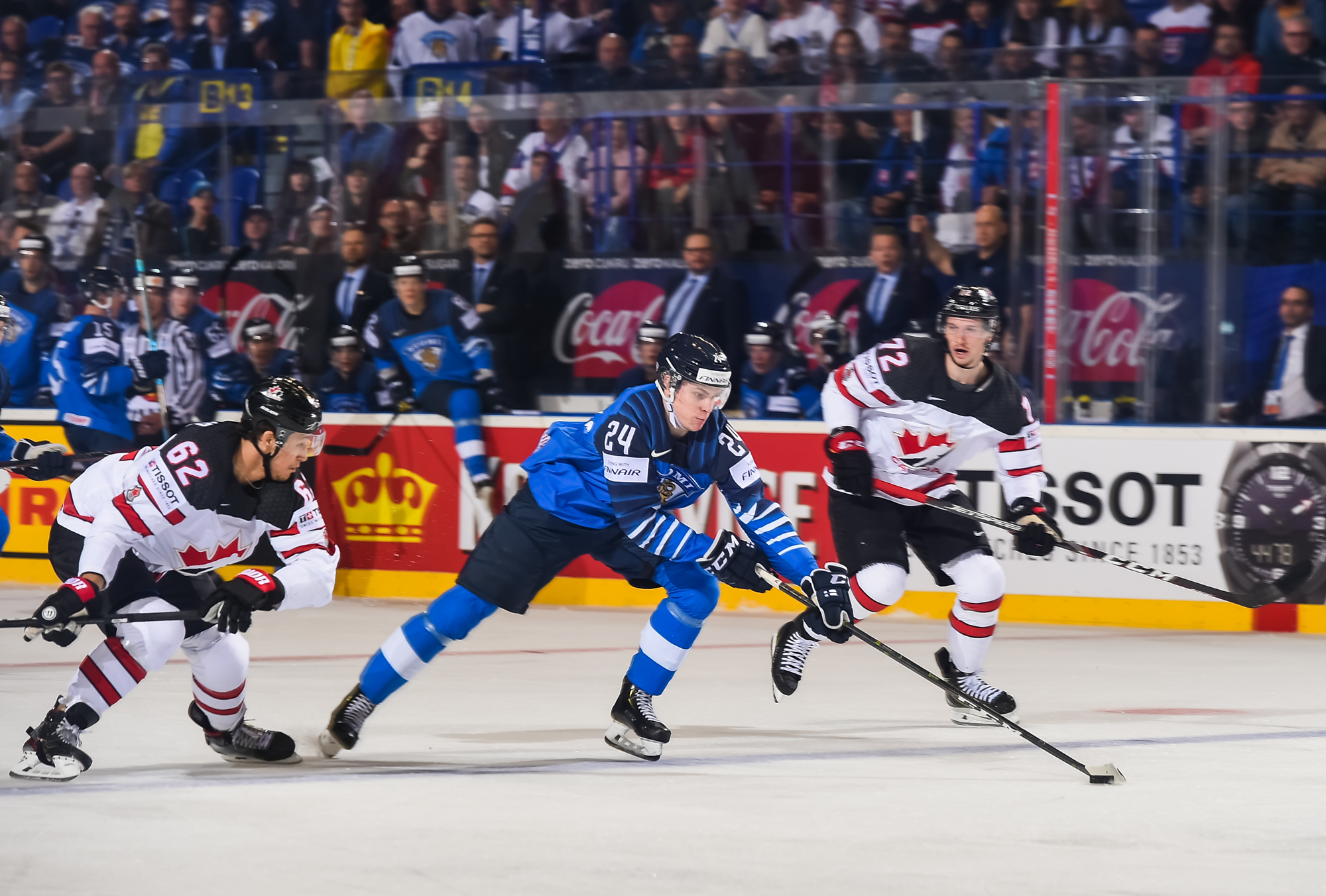 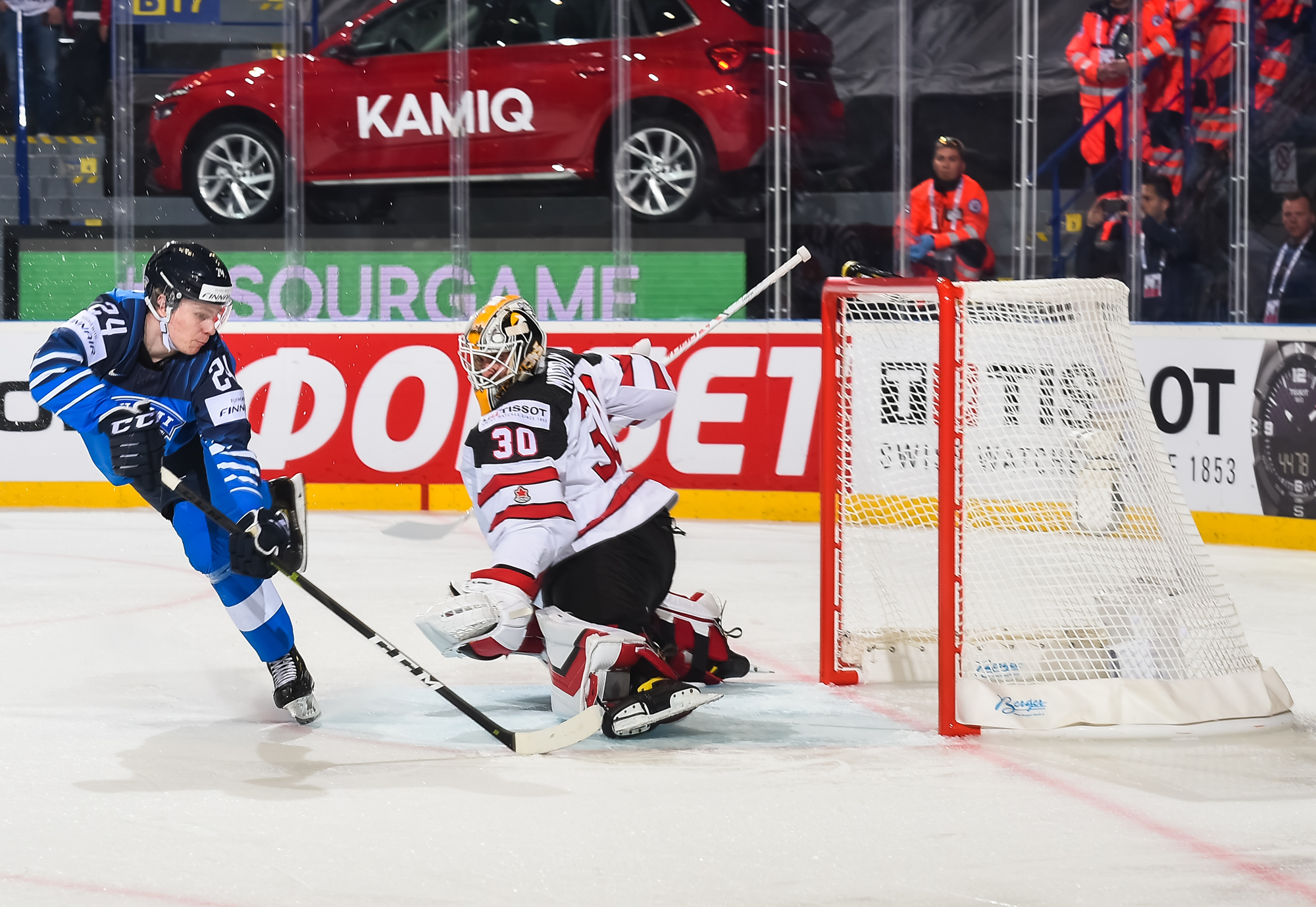 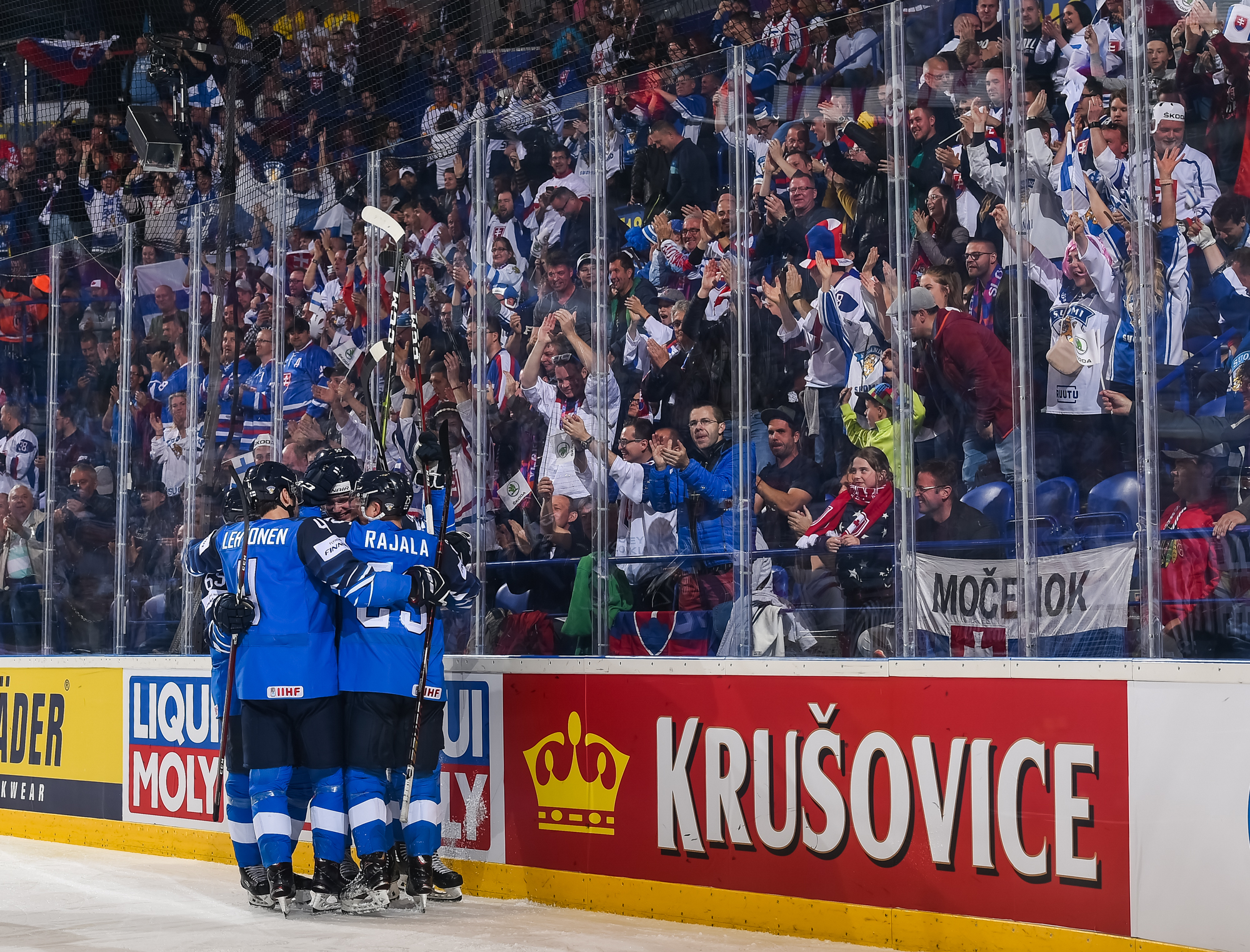 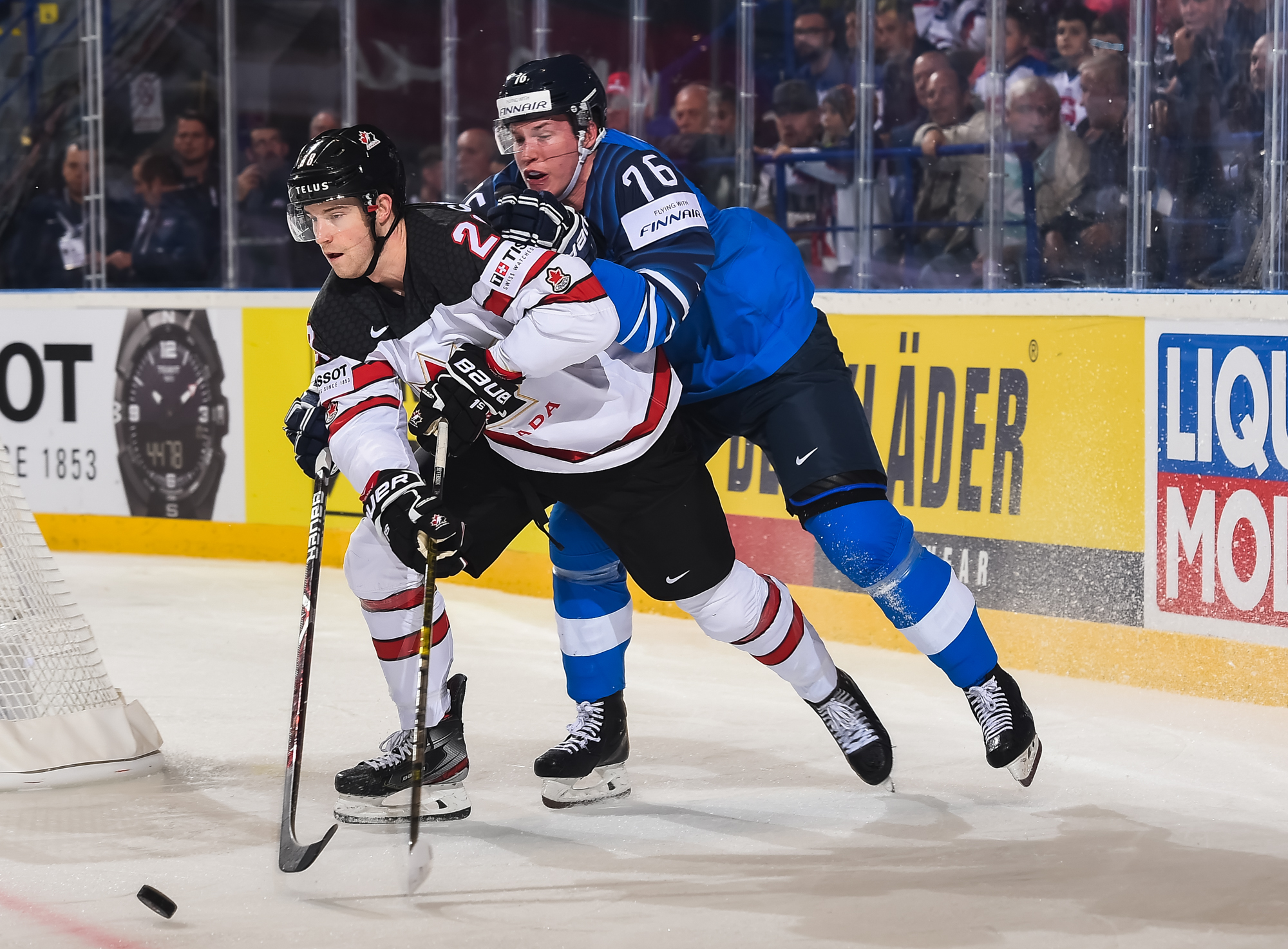 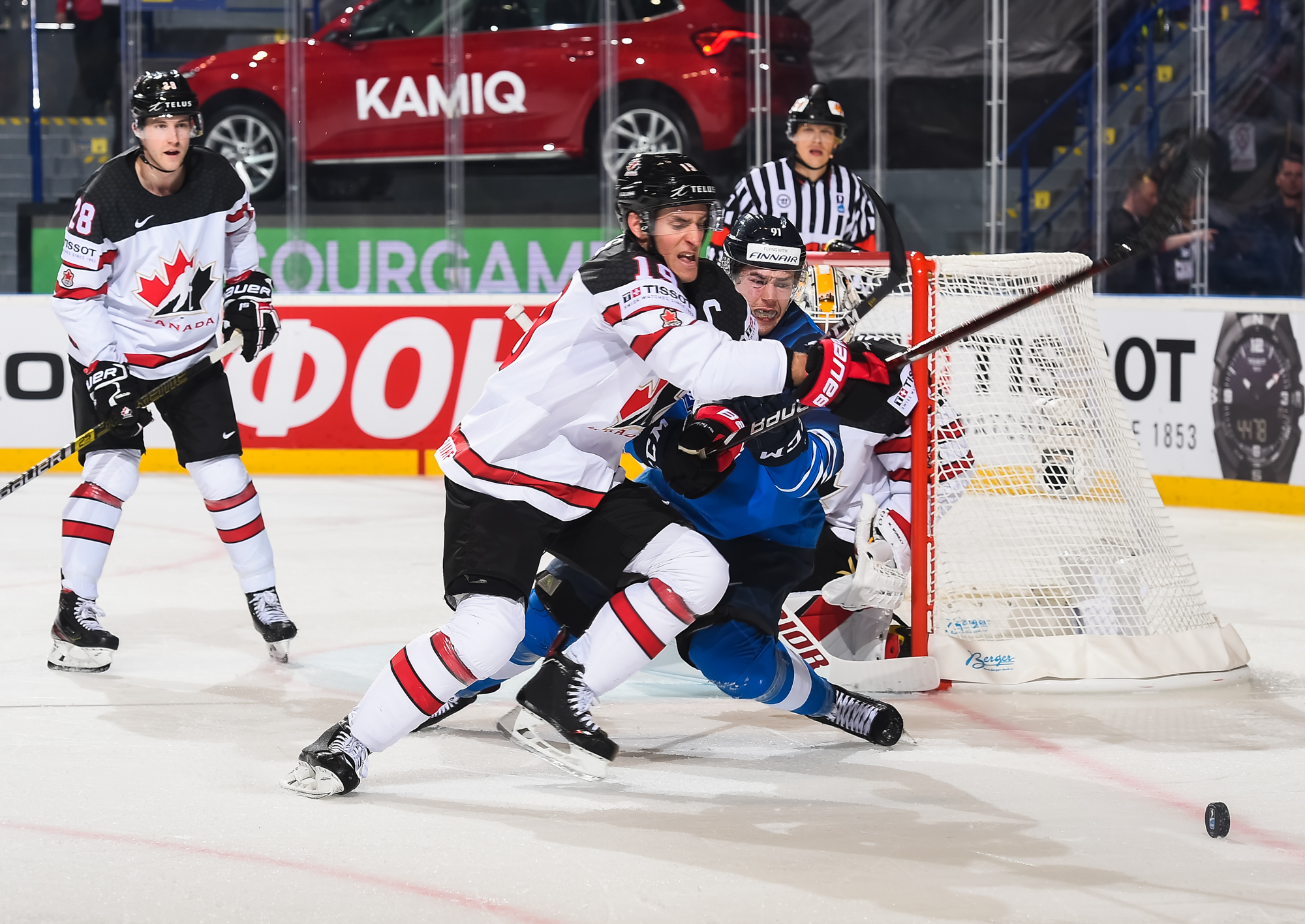 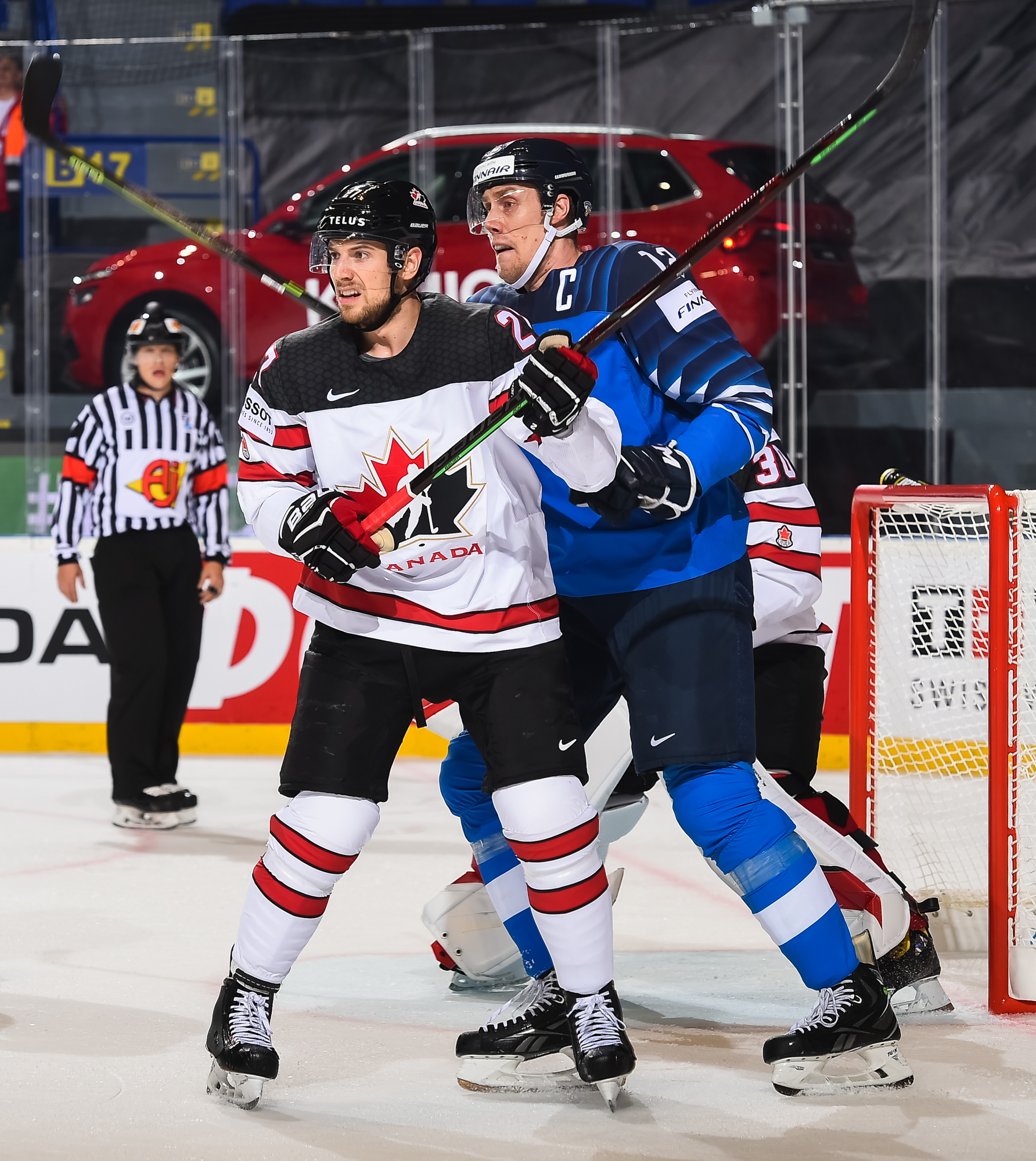 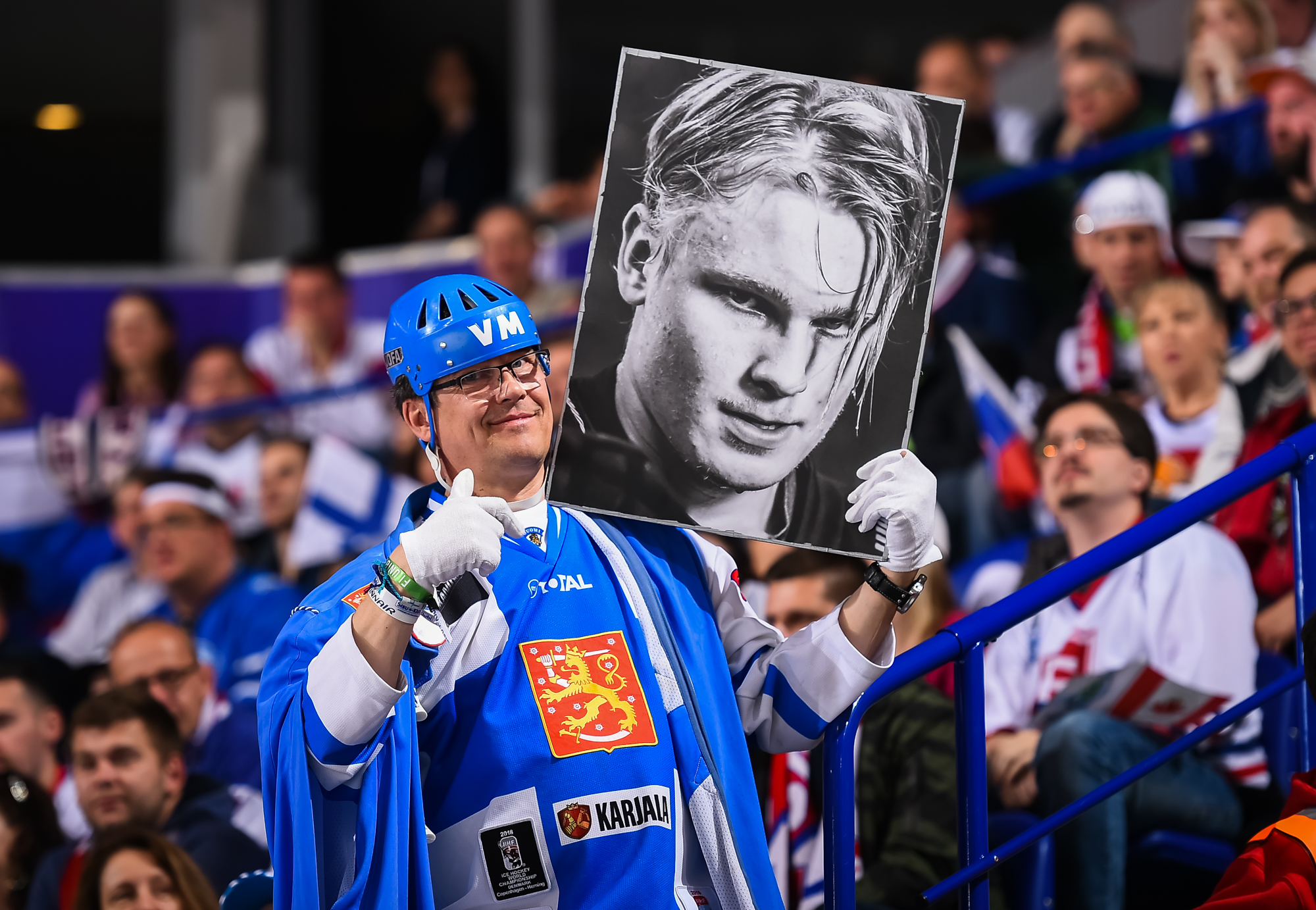 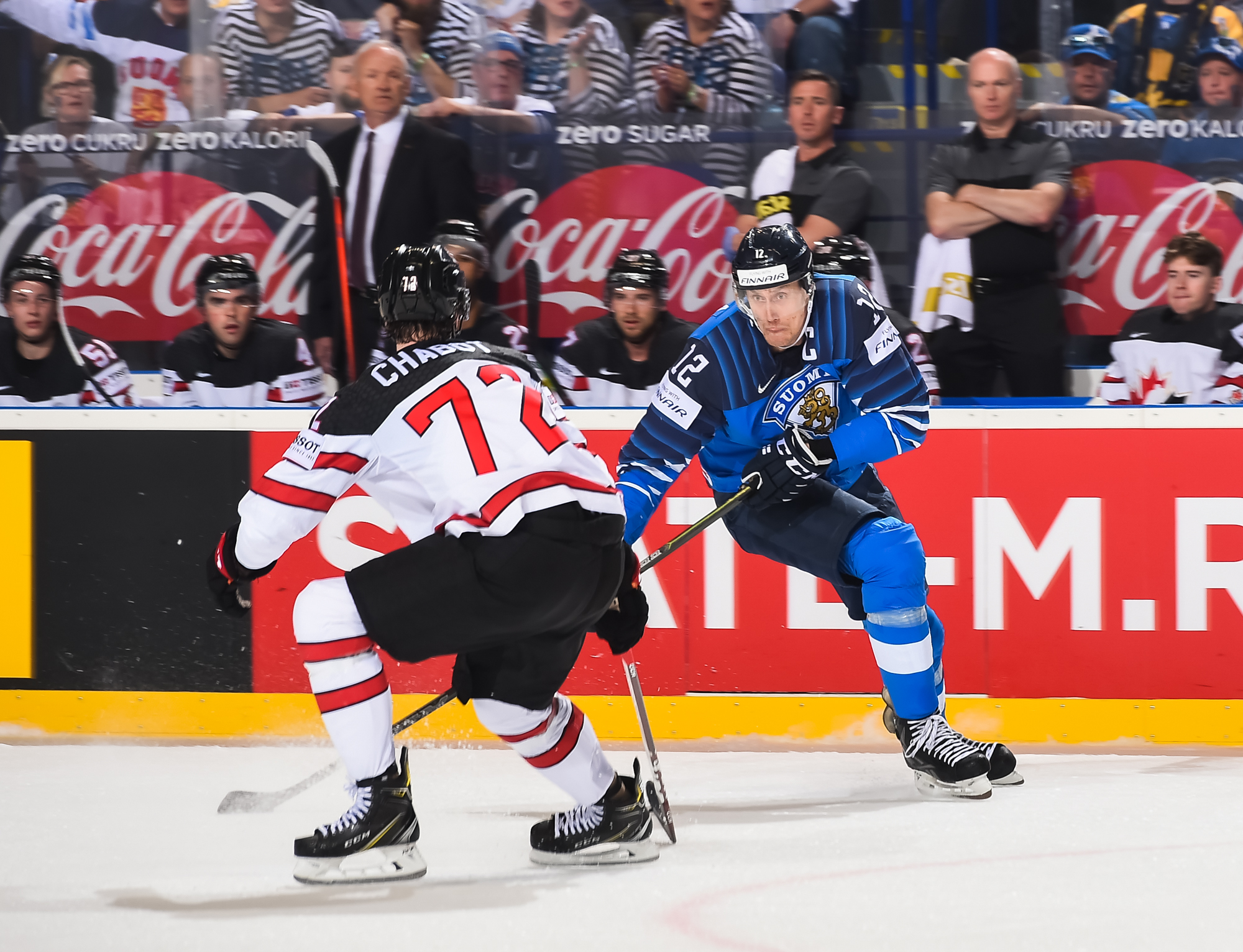 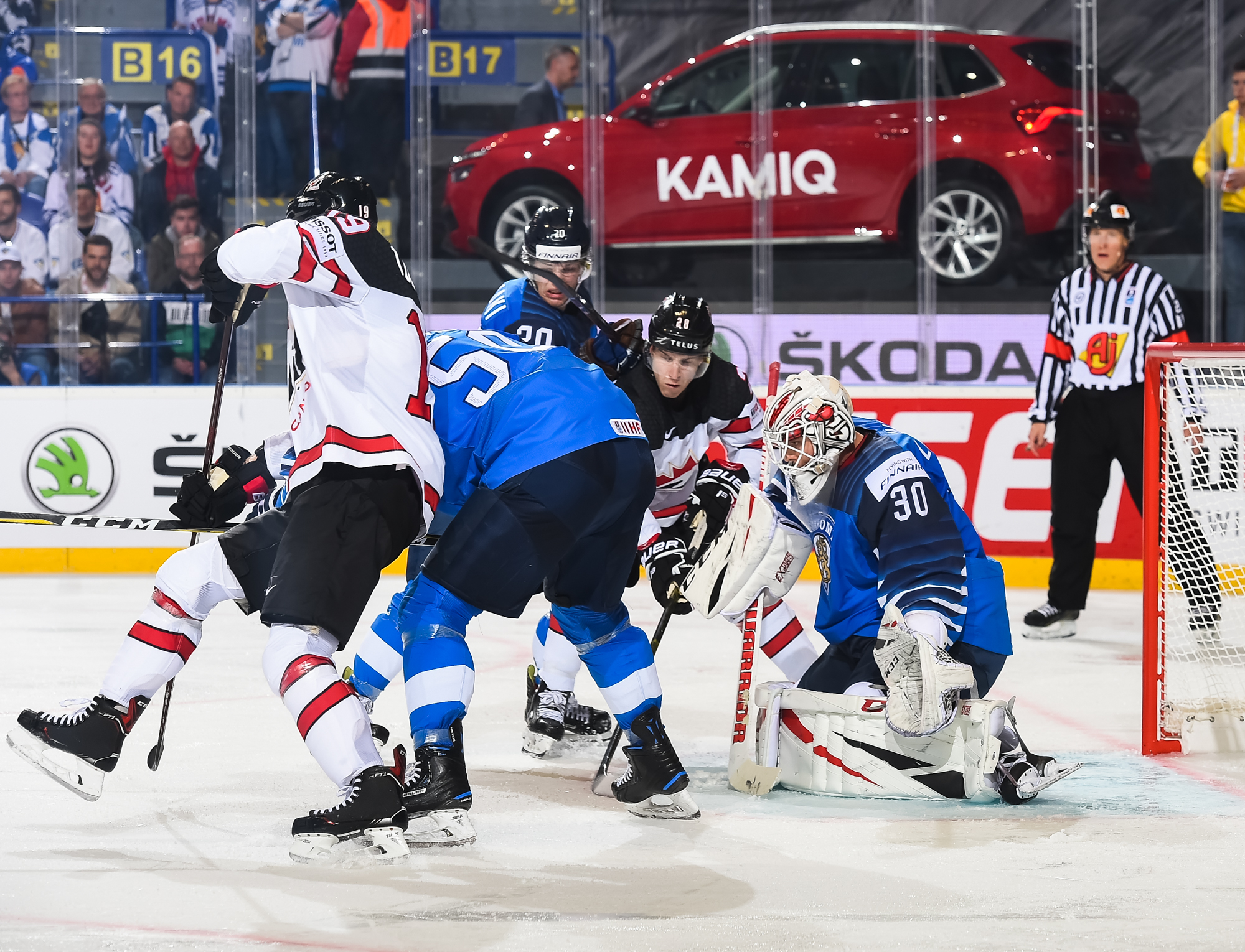 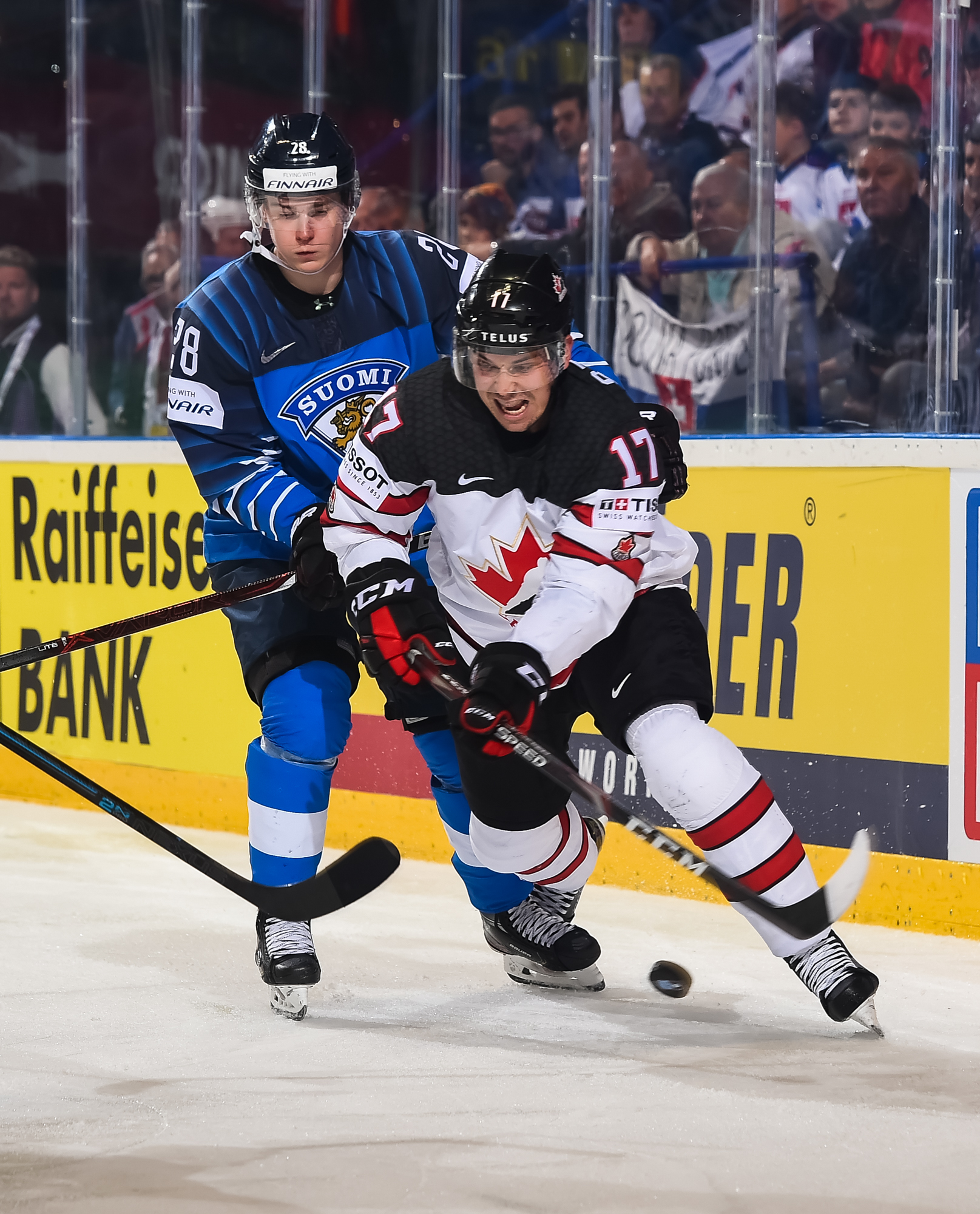 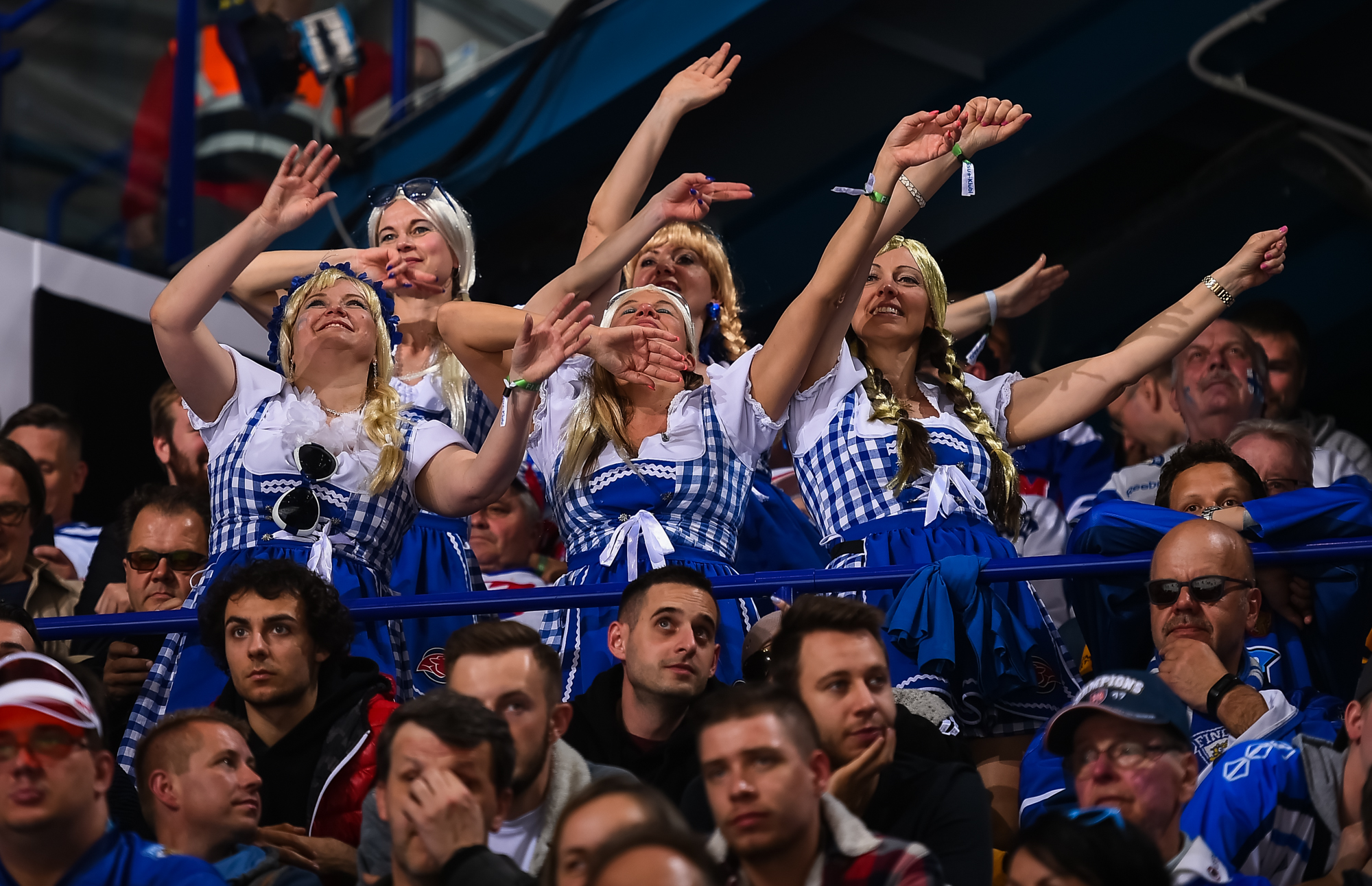 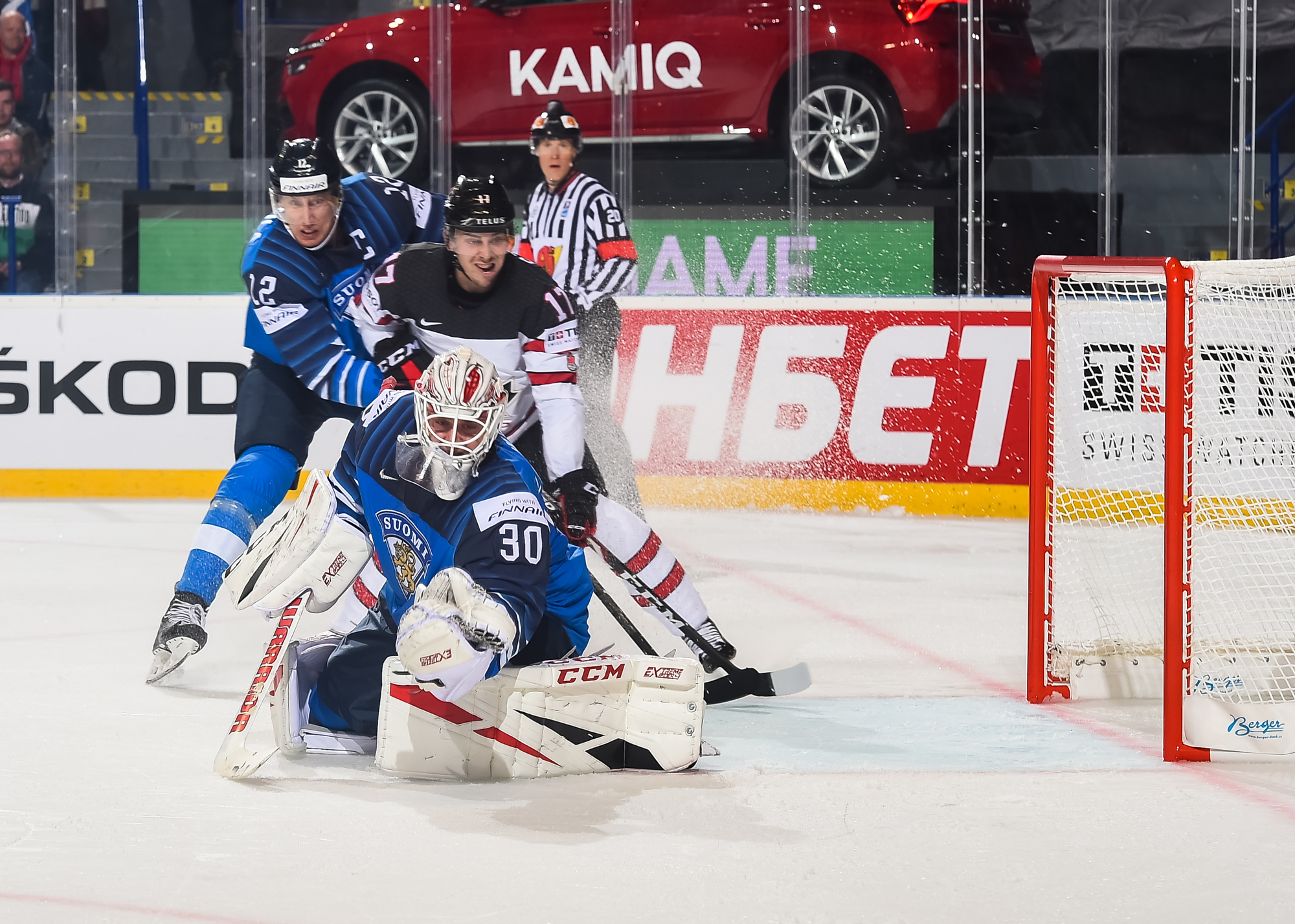 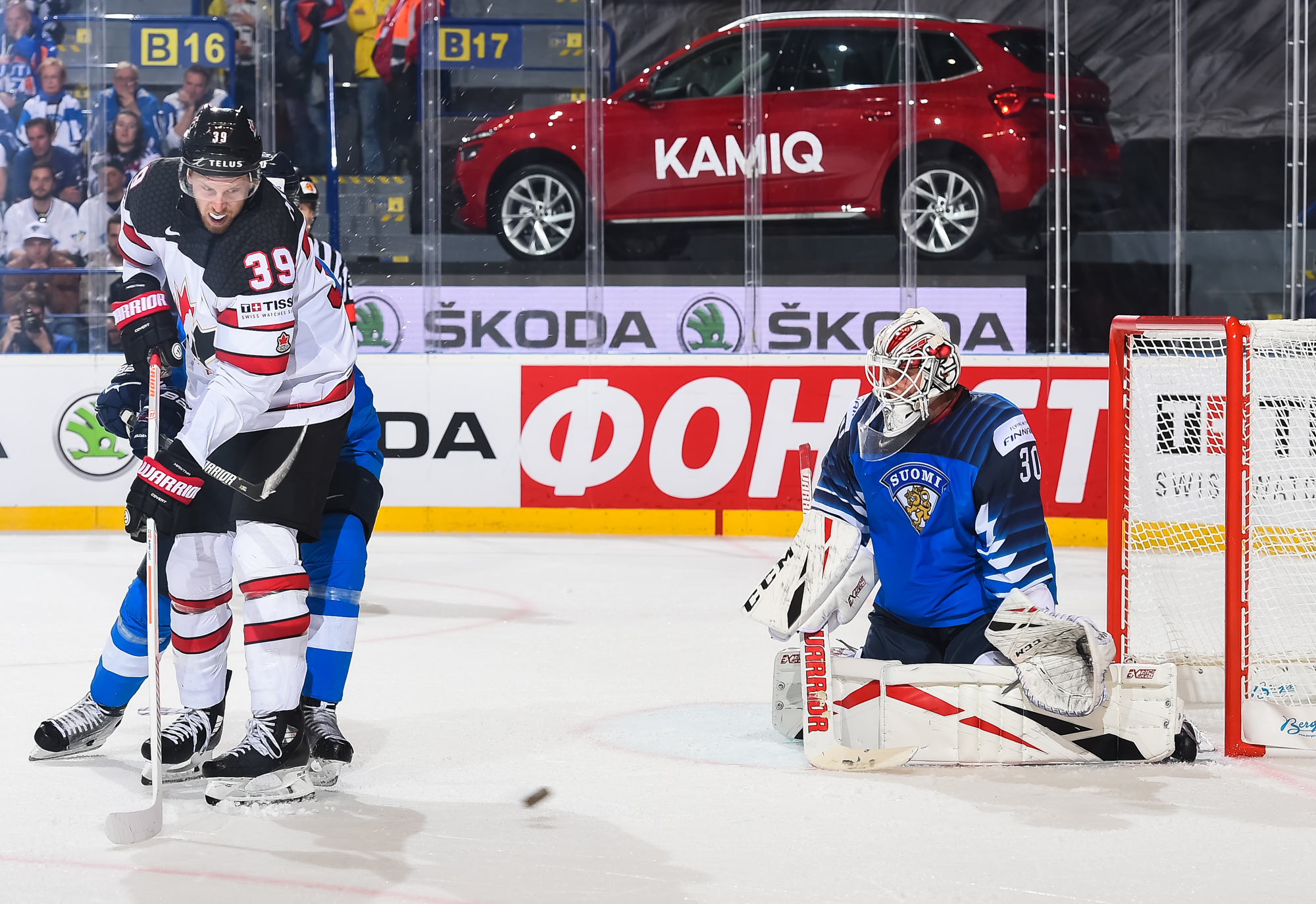 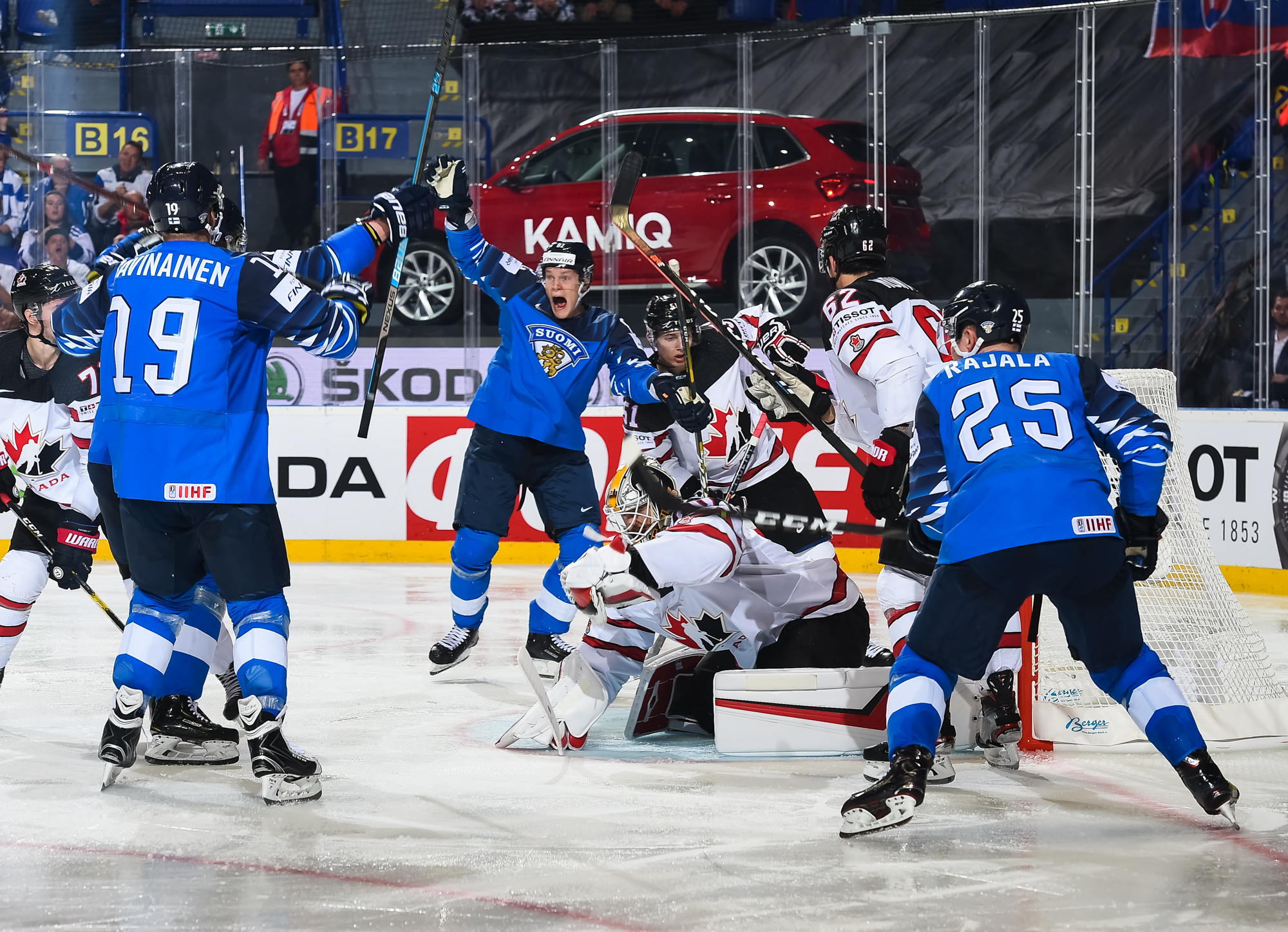 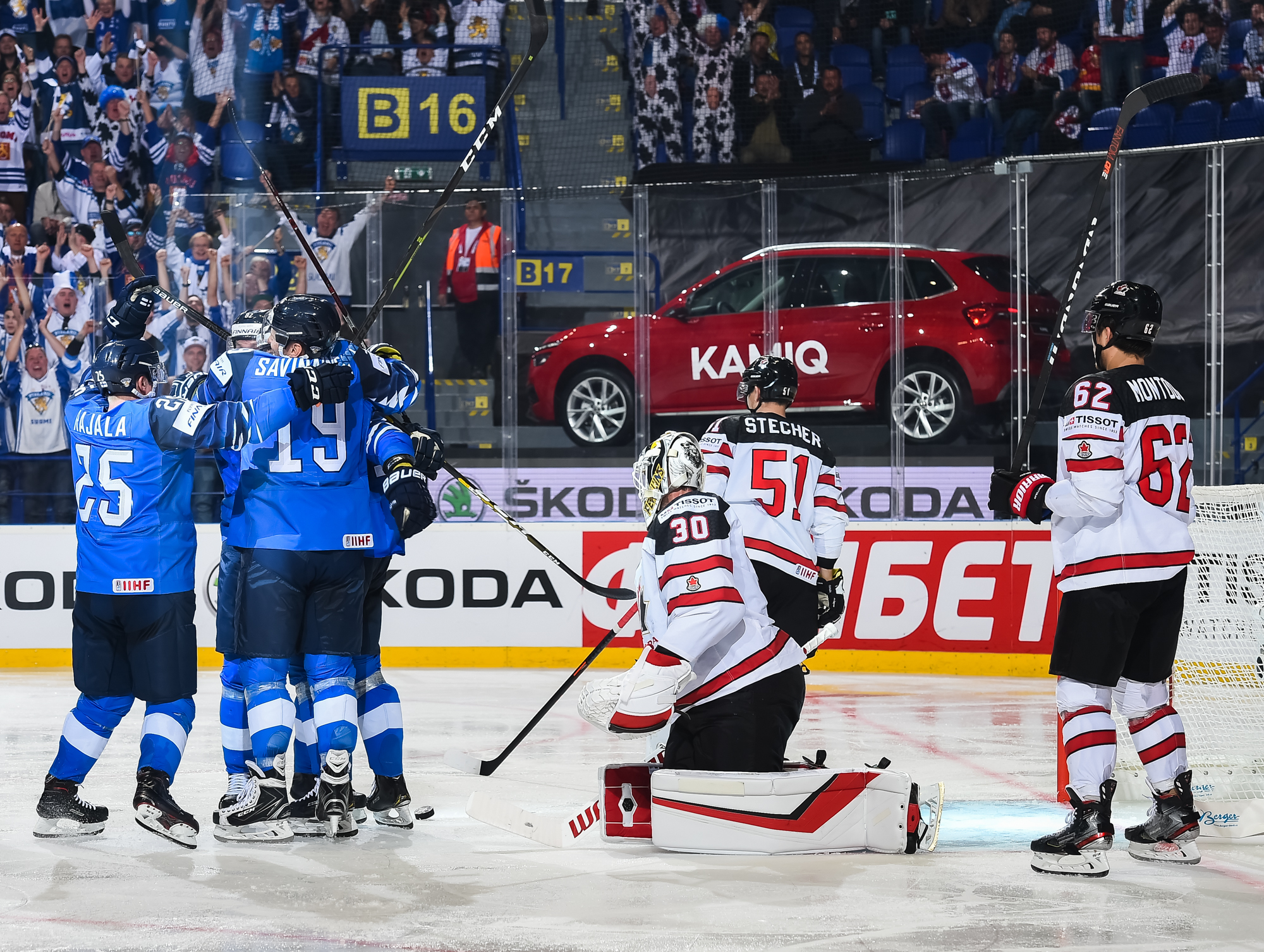 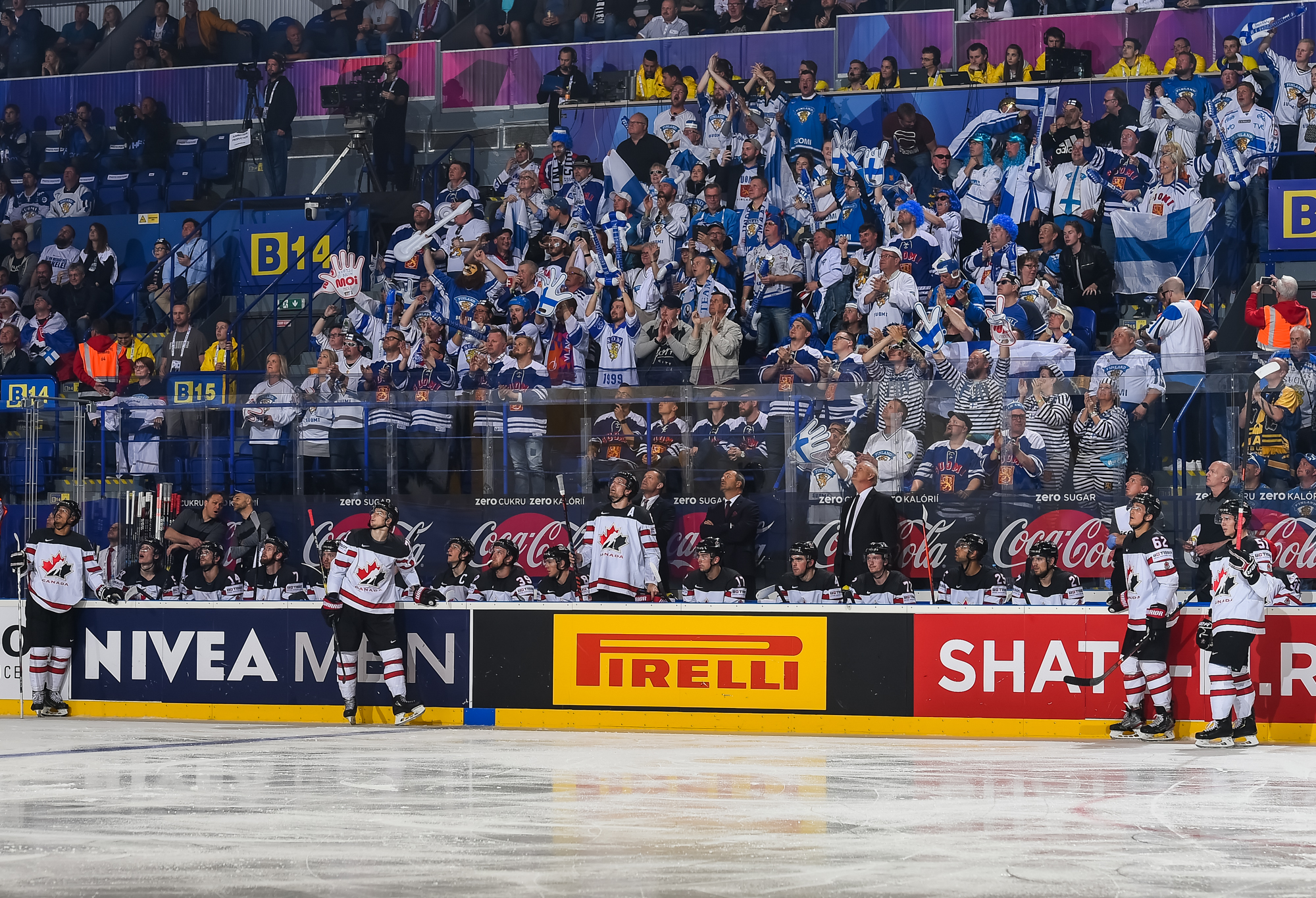 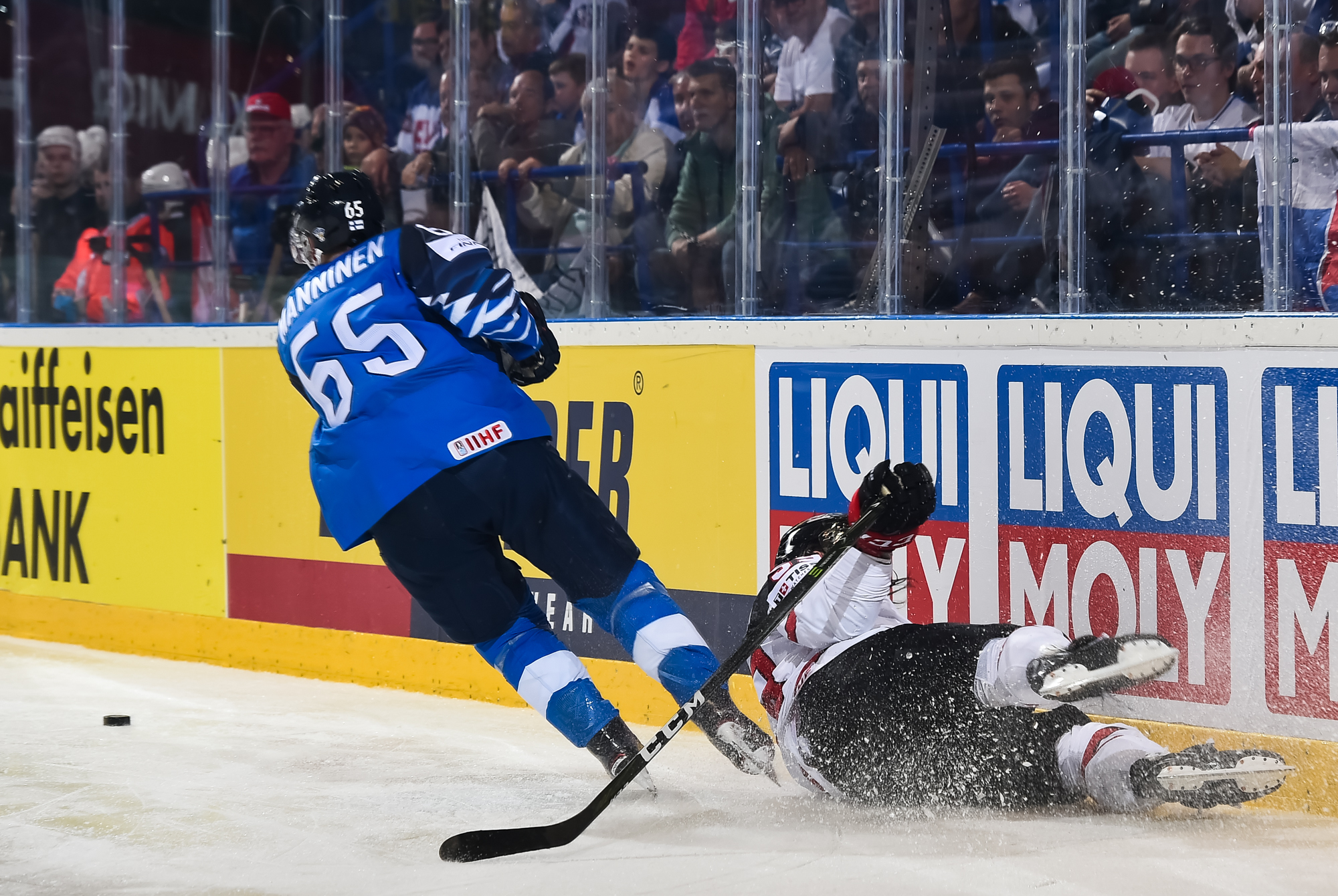 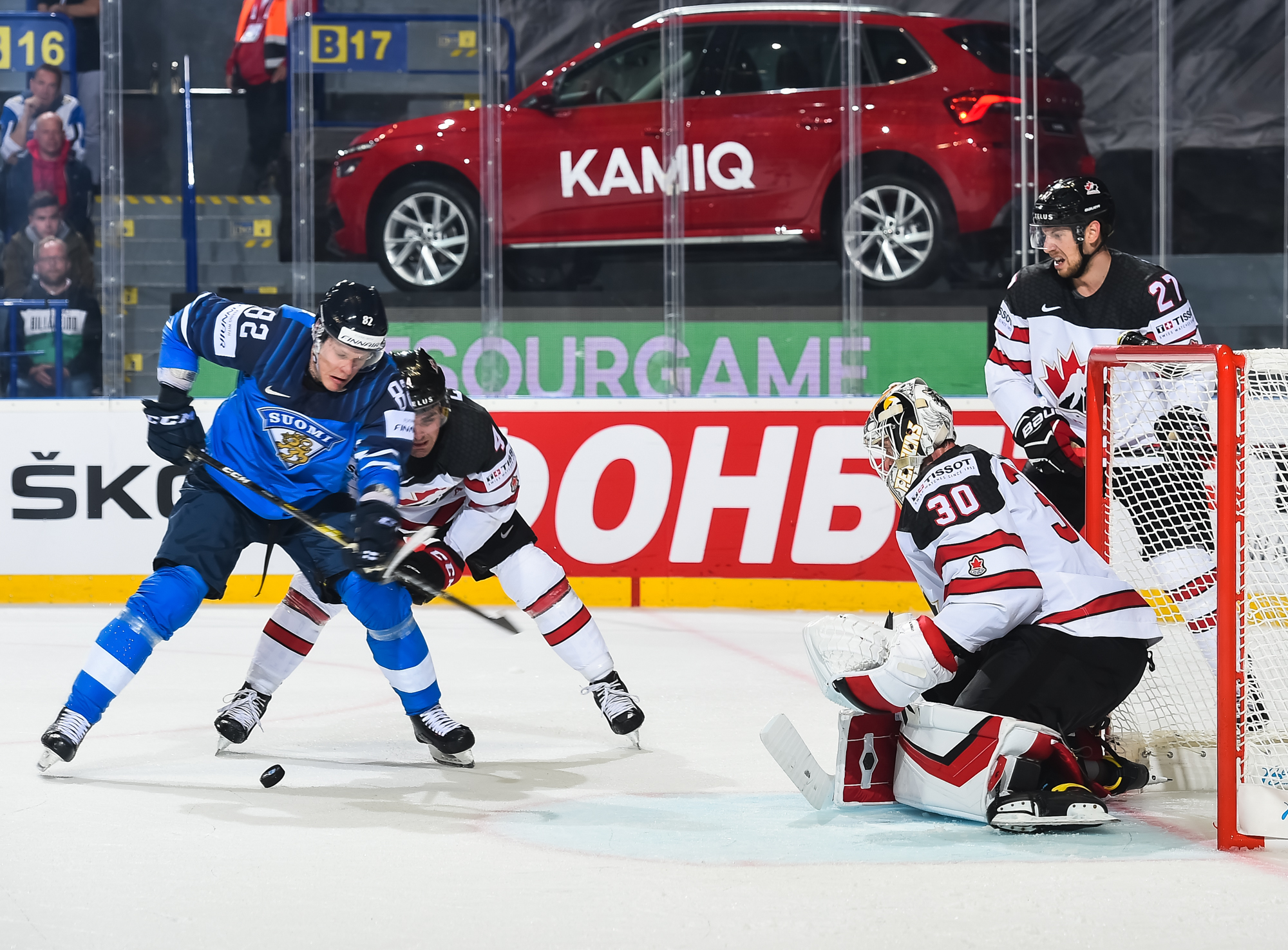 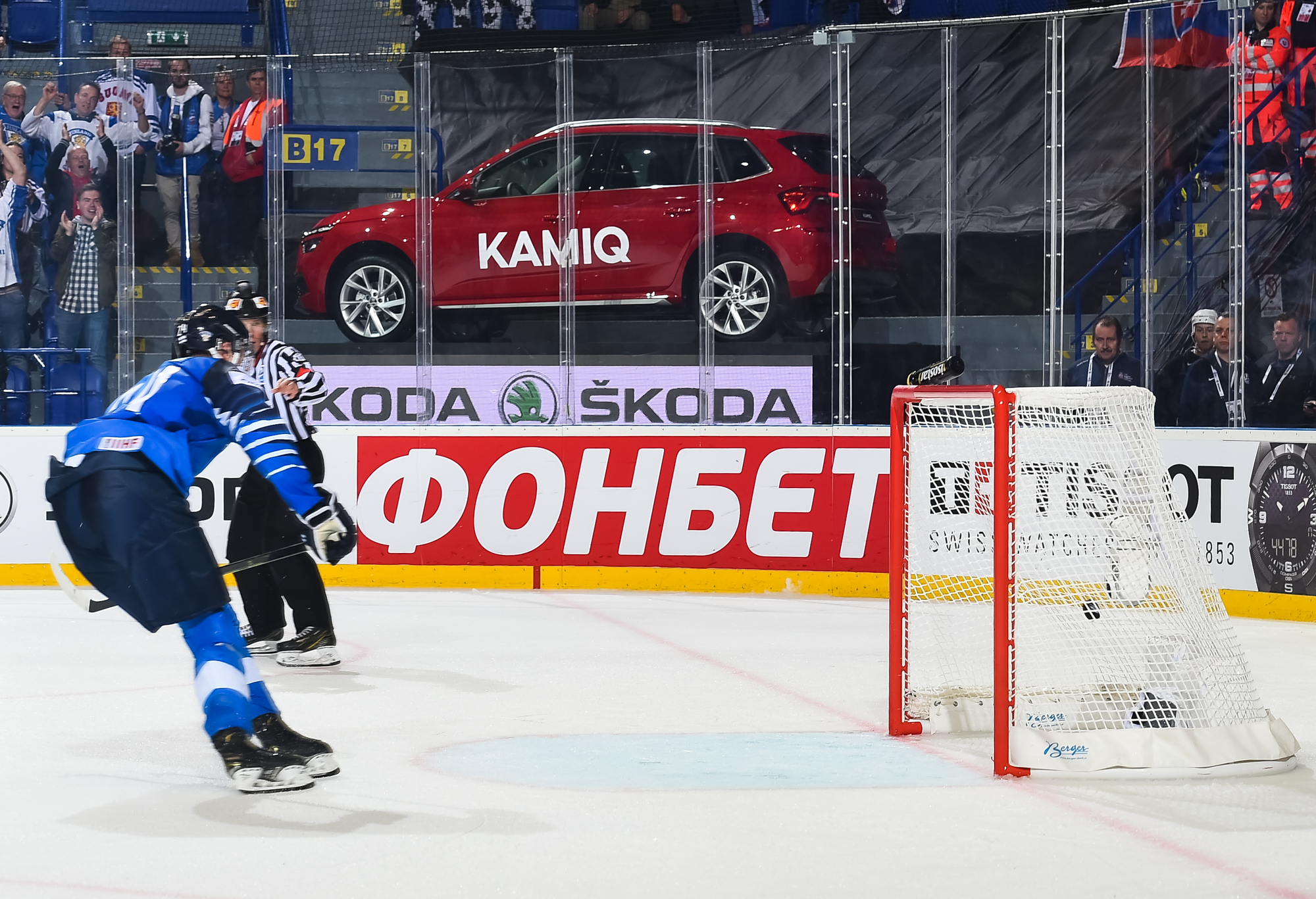 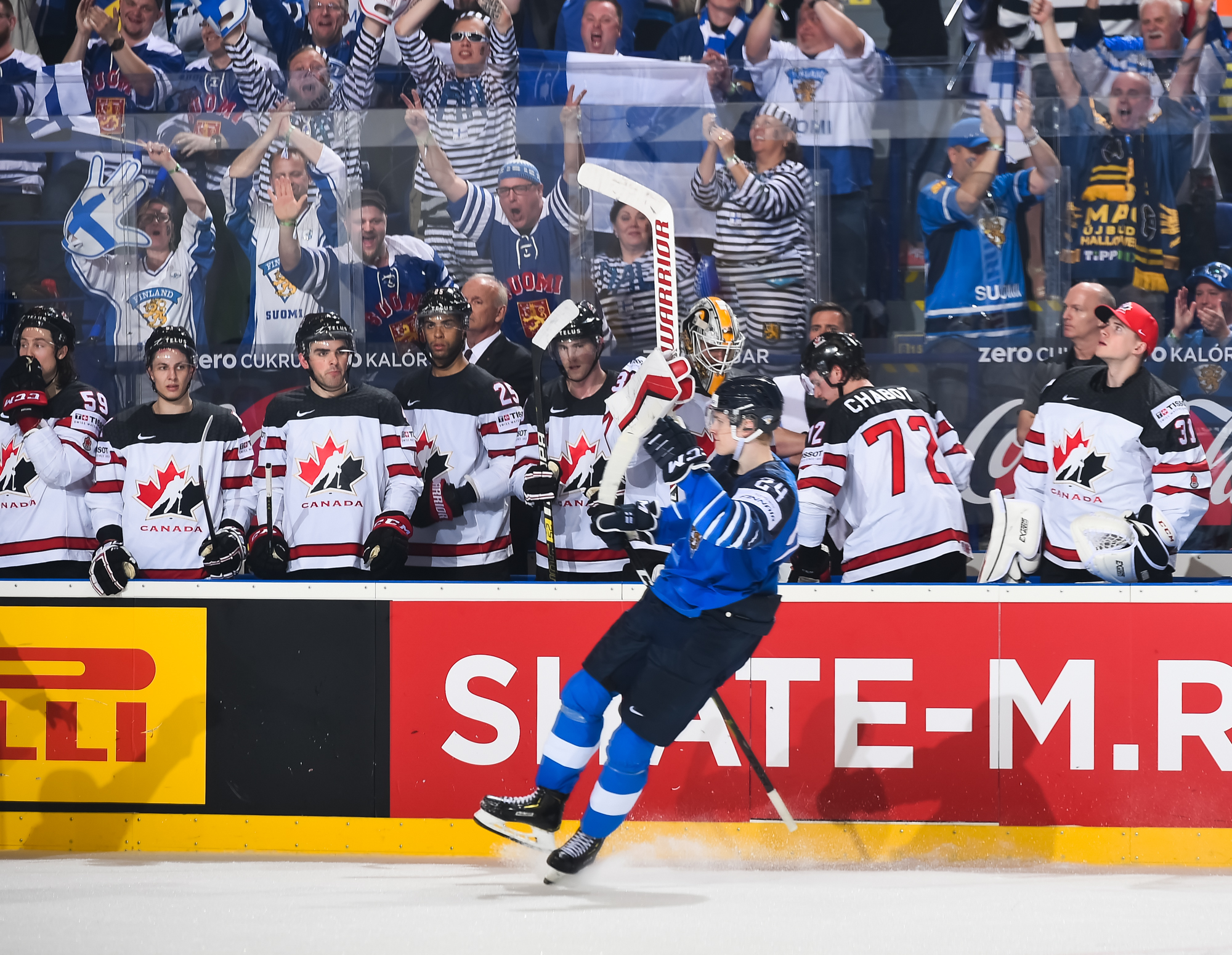 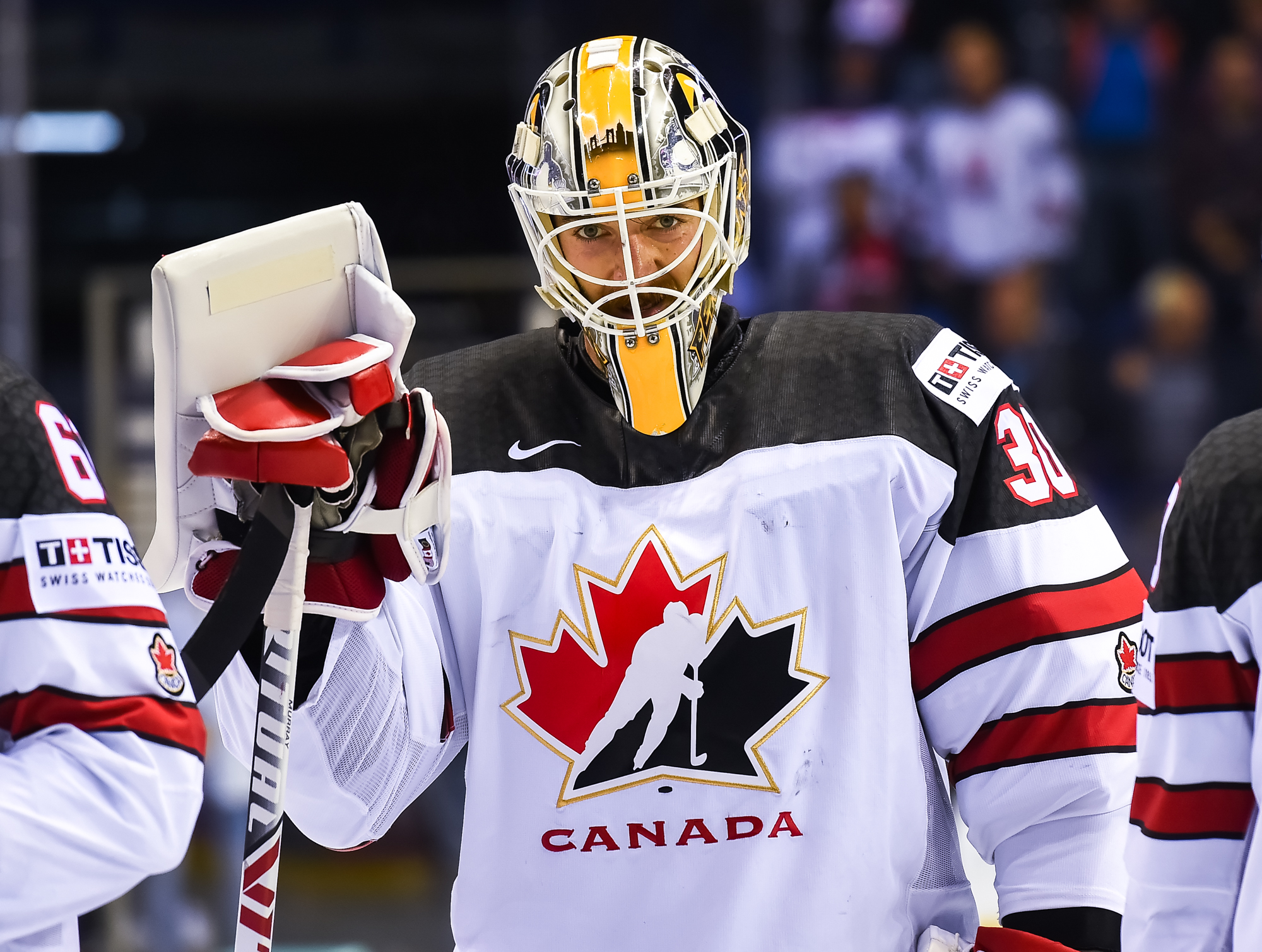 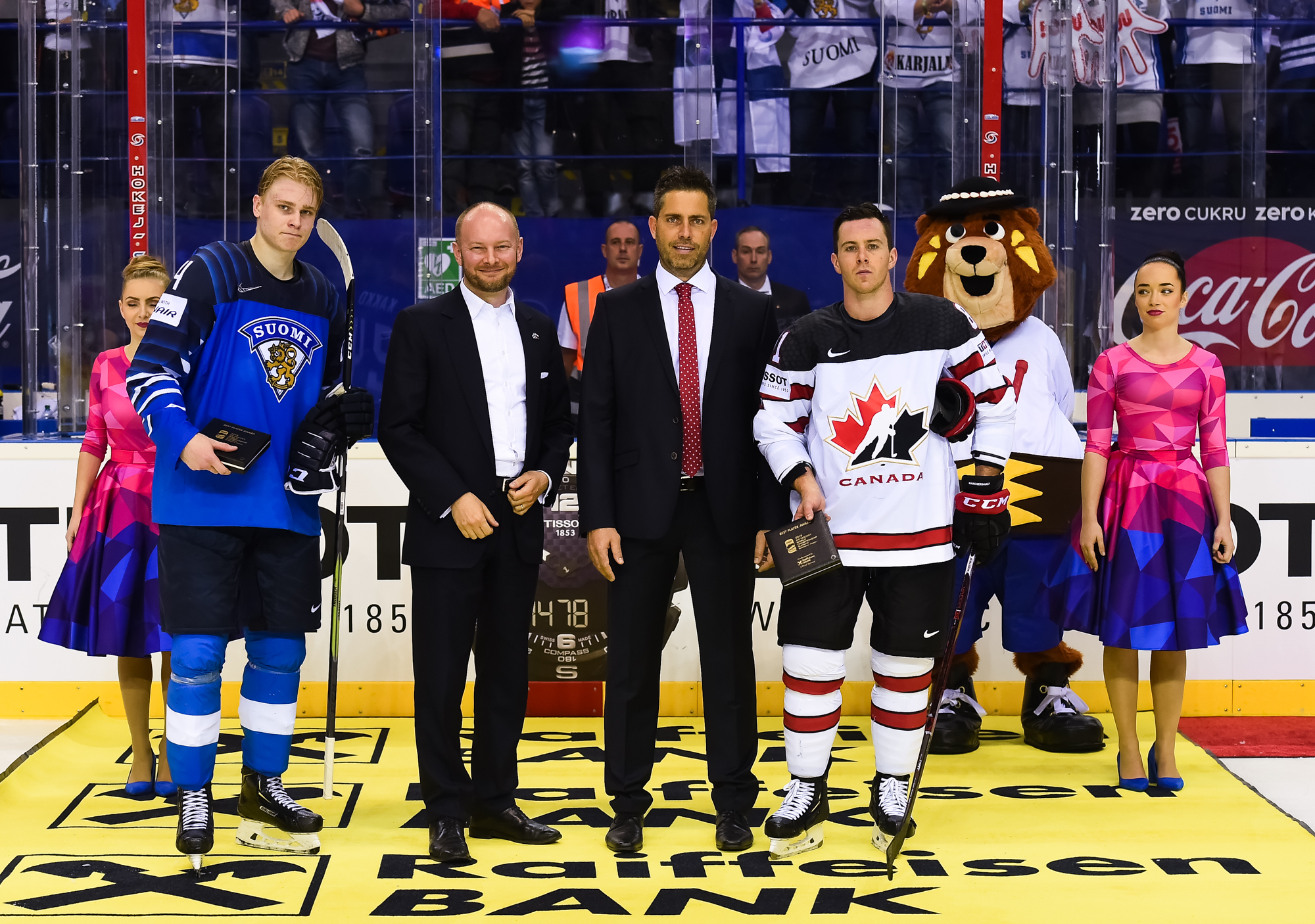 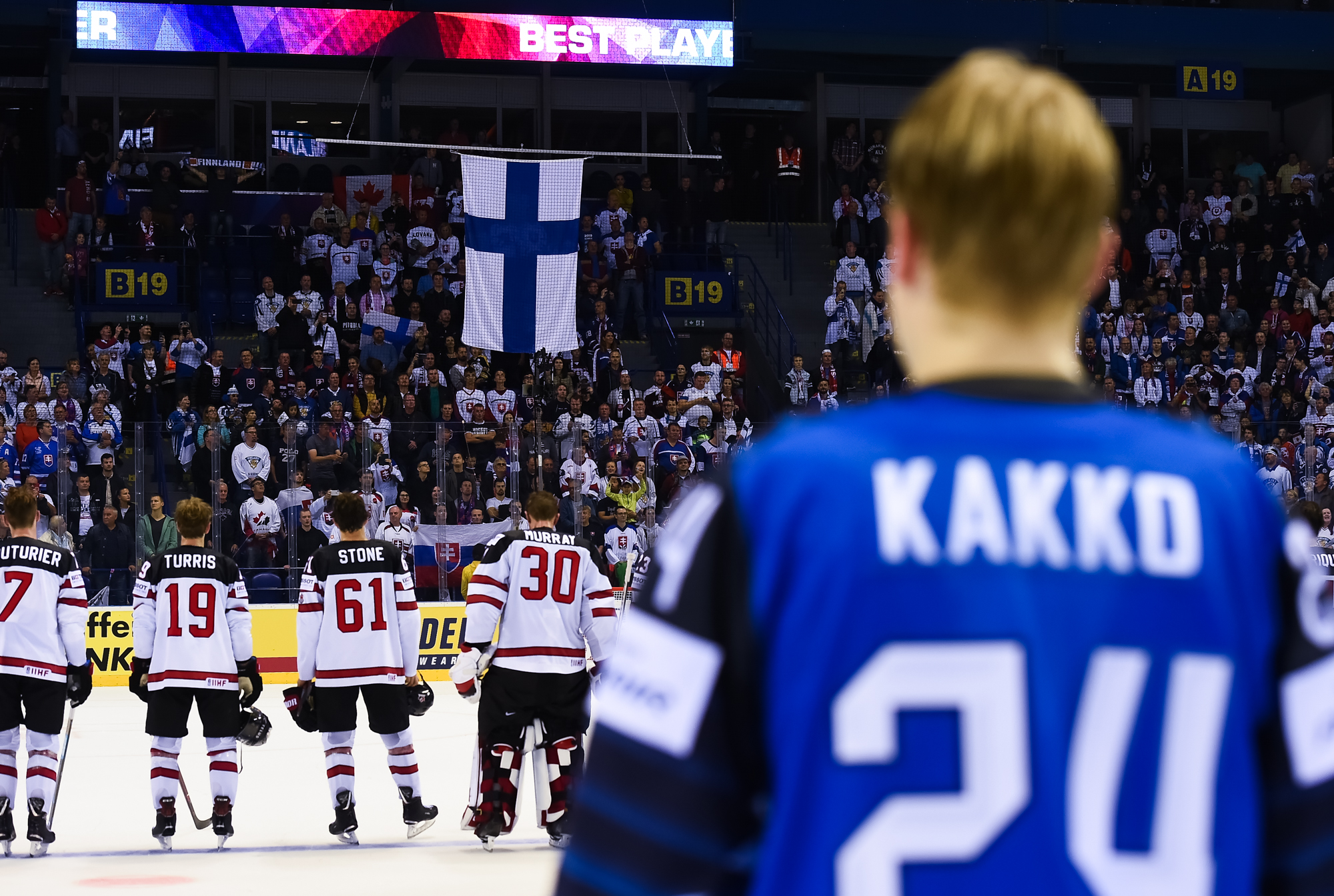