The goal came off a rebound from a point shot that goalie Ben Bowns couldn't control after Britain had failed to clear the zone. It gave the Germans a bit of breathing room against a competitive and determined Britain which had tied the game earlier in the period. Britain is back in the top pool for the first time since 1994.

"I don’t think we played a bad game," Bowns said. "Just a few moments, a few bad decisions, but otherwise it was pretty good. Overall, there are more positives than negatives from this game. We showed we can play at this level, and I’m confident we can stay up."

"You’ve got to give them some credit," said Leon Draisaitl. "They skated hard and put us under pressure. When it stayed 0-0 for so long, we stayed calm. We knew that it might take the full 60 tonight, so I thought we did a good job of sticking with it. They played a good game, but the three points for us is all that matters."

The game was the first at the top level for GB in 9,136 days, and it is still in search of its first top-level win since defeating Finland, 7-5, at the 1962 World Championship in Colorado Springs. But those historical facts didn't diminish the spirit of Britain today as they gave the Germans everything they could handle.

Let’s face it—no one knew quite what to expect from Britain. The standard feeling of “one up, one down” couldn’t be helped, for the most often fate of a promoted team is, in reality, demotion.

But these Brits played their hearts out, and that was but one of many unique features to the first period of their first game since 6 May 1994, a 5-2 loss to Norway for 11thplace, a loss that sent them down to B Pool for 1995 and beyond.
World Men
Germany vs. Great Britain - 2019 IIHF Ice Hockey World Championship
Yasin Ehliz's power-play goal midway through the third period broke a 1-1 tie and propelled Germany to a thrilling 3-1 win over Great Britain.
GER GBR 11 MAY 2019
The fans from Great Britain outnumbered, outscreamed and outclapped their German counterparts, chanting, “Let’s go, GB!” and “When the Saints Come Marching In,” with football-like verve and creating an atmosphere that hasn’t been seen in top level World Championship rinks for a quarter century.

The Brits showed some ability to create scoring chances but also a lack of finish around the German goal. They also iced the puck too often because of lack of confidence in their own end, and getting the puck out with some speed or effectiveness was what did them in on Seider’s goal. But they played at least as physically as the Germans, in an albeit tame game, and goalie Ben Bowns certainly more than held his own.

The Brits didn’t do much with their first power play, but then again they gave Germany little on their first chance as well. And, more importantly, they played with tremendous discipline, incurring but one minor in the first two periods.

Blocked shots? Check. They willingly sacrificed the body to prevent pucks going through.

And although the Germans created plenty of scoring chances, they failed to show much touch around the net as well. Things started to open late in the second, though, and Bowns made a great save off Leonhard Pfoderl on a partial breakaway. Moments later, Liam Kirk had a great chance on a rush but was stopped nicely by Mathias Niederberger, who is warming the Germany crease until Philip Grubauer arrives.

Moritz Seider, just 18 years old, broke a scoreless game with a goal with just 39.7 seconds remaining in the second period, again after Britain had two chances to clear the zone and couldn't. In a mad scramble around the British goal, the Germans got the puck and Seider converted.

"I got the puck at the top of the circle, and I wanted to pass it over to Seidenberg," Seider explained. "He was wide open. He had the patience and experience to bump it back to me, and I just ripped it. There was a little hole between the goaltender and the post and it went in. I’m pretty happy."

Undaunted, the Brits tied the game early in the third off a bad giveaway from behind the German goal from, of all people, Leon Draisaitl. He put the puck on the stick of Mike Hammond, who came out in front and stuffed the puck in to make it a most improbable 1-1 game.

But failing to clear the zone cost Britain again midway through the period while killing a penalty, and when Bowns bobbled a point shot, Ehliz was right there to snap the loose puck in. A minute and a half later, Draisaitl atoned for his error, wiring a shot from the slot past Bowns at 12:03.

Both teams are right back at it tomorrow. Germany plays Denmark while Great Britain will play a tough and historic encounter against Canada. 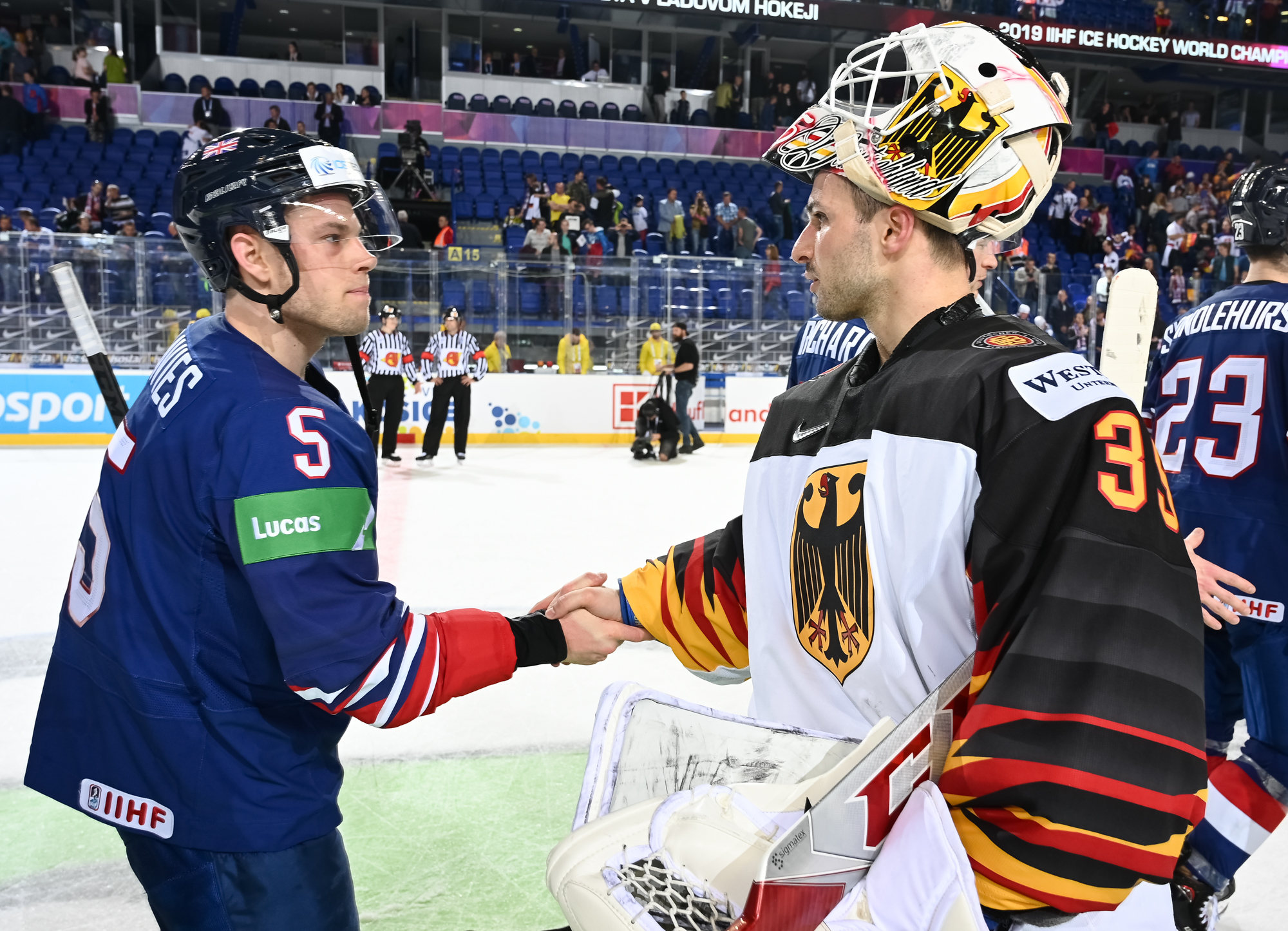 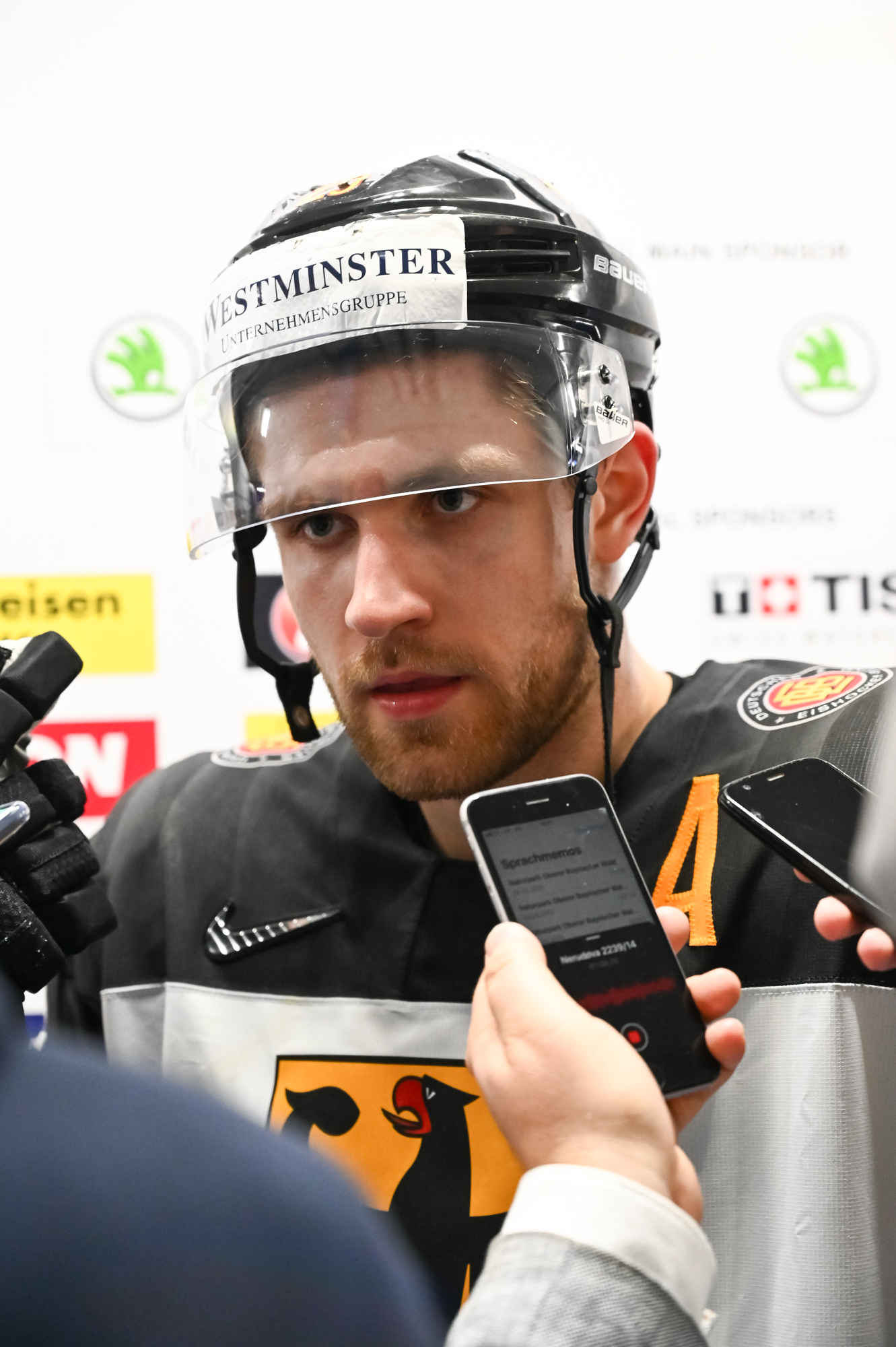 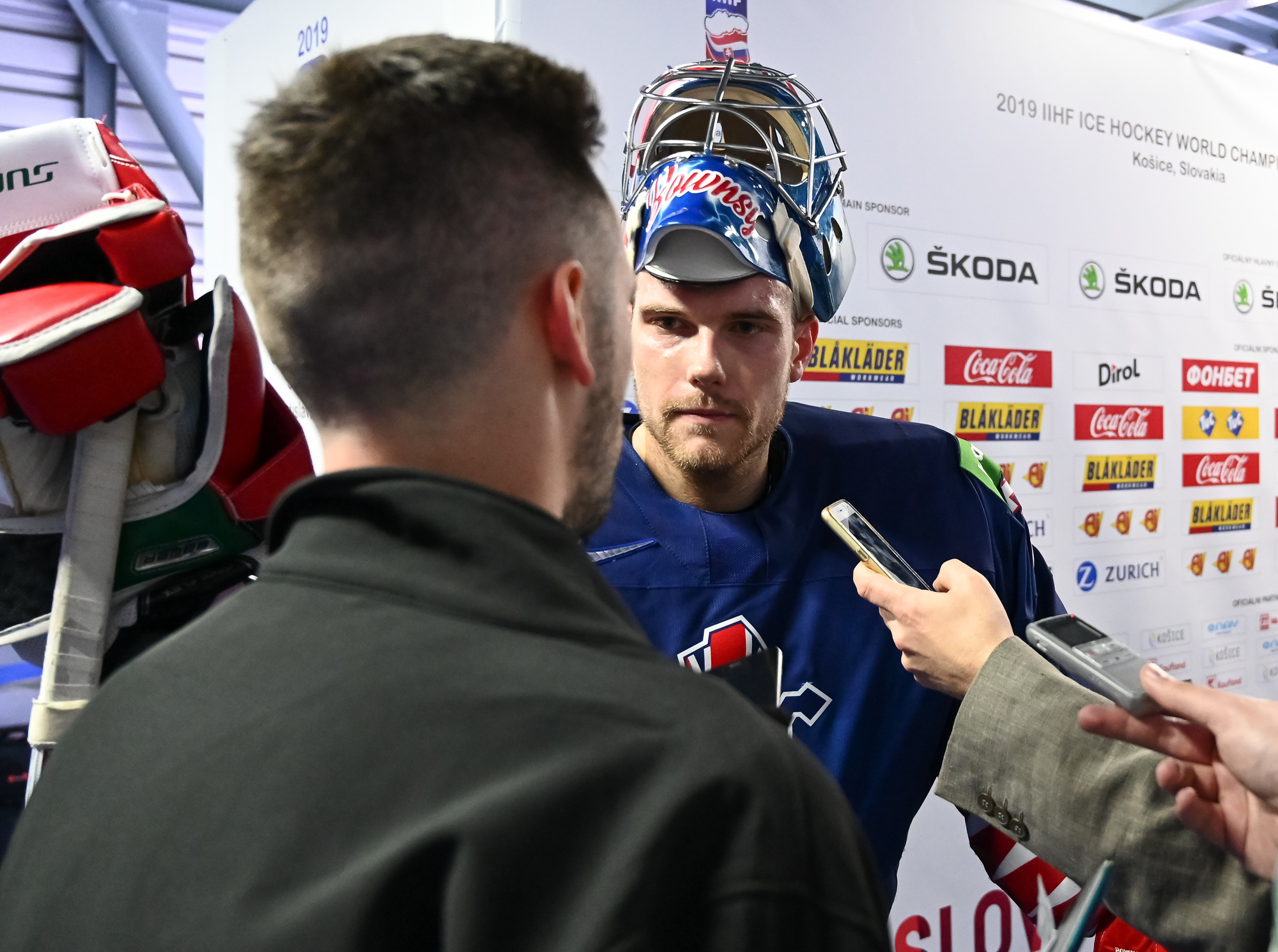 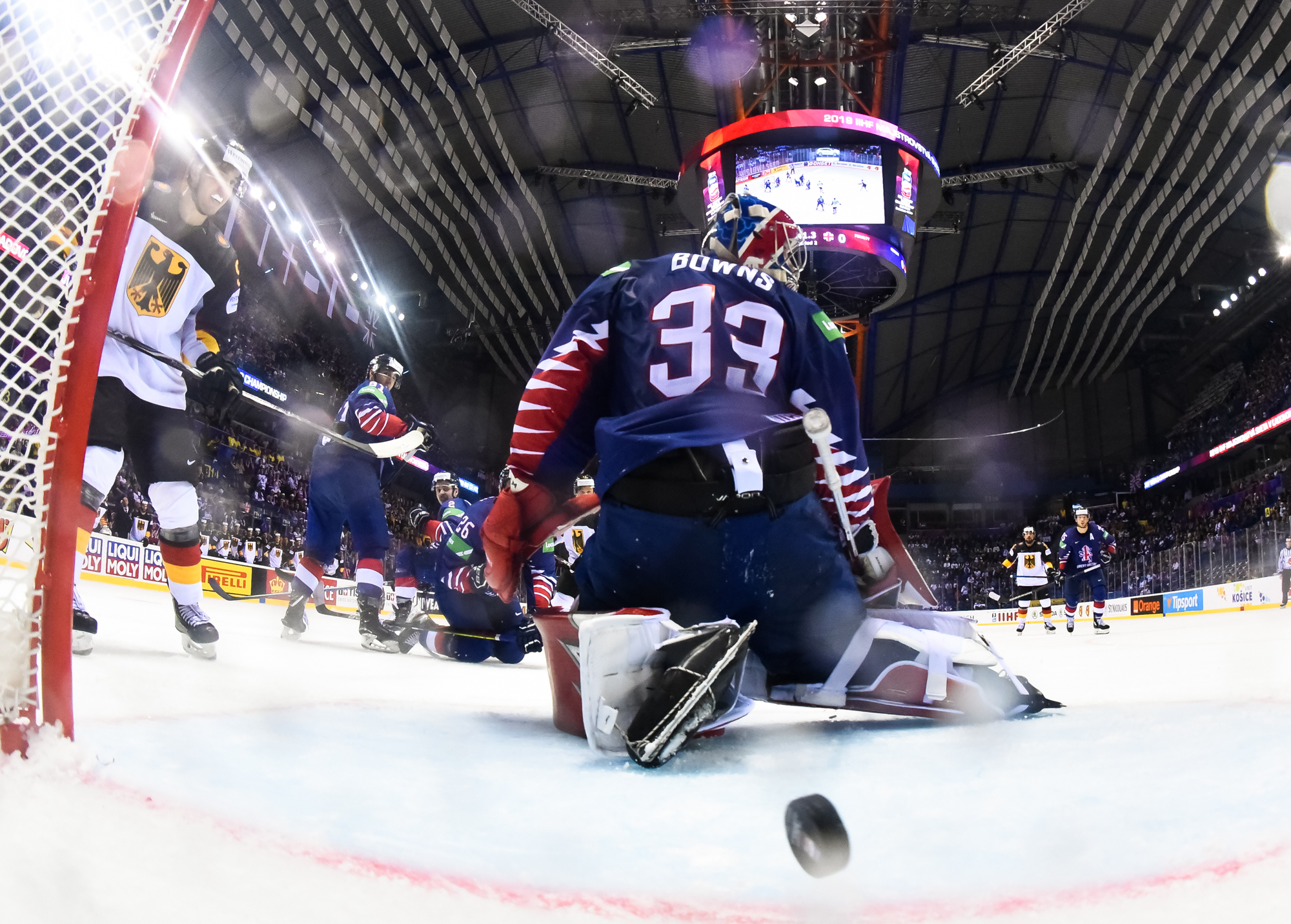 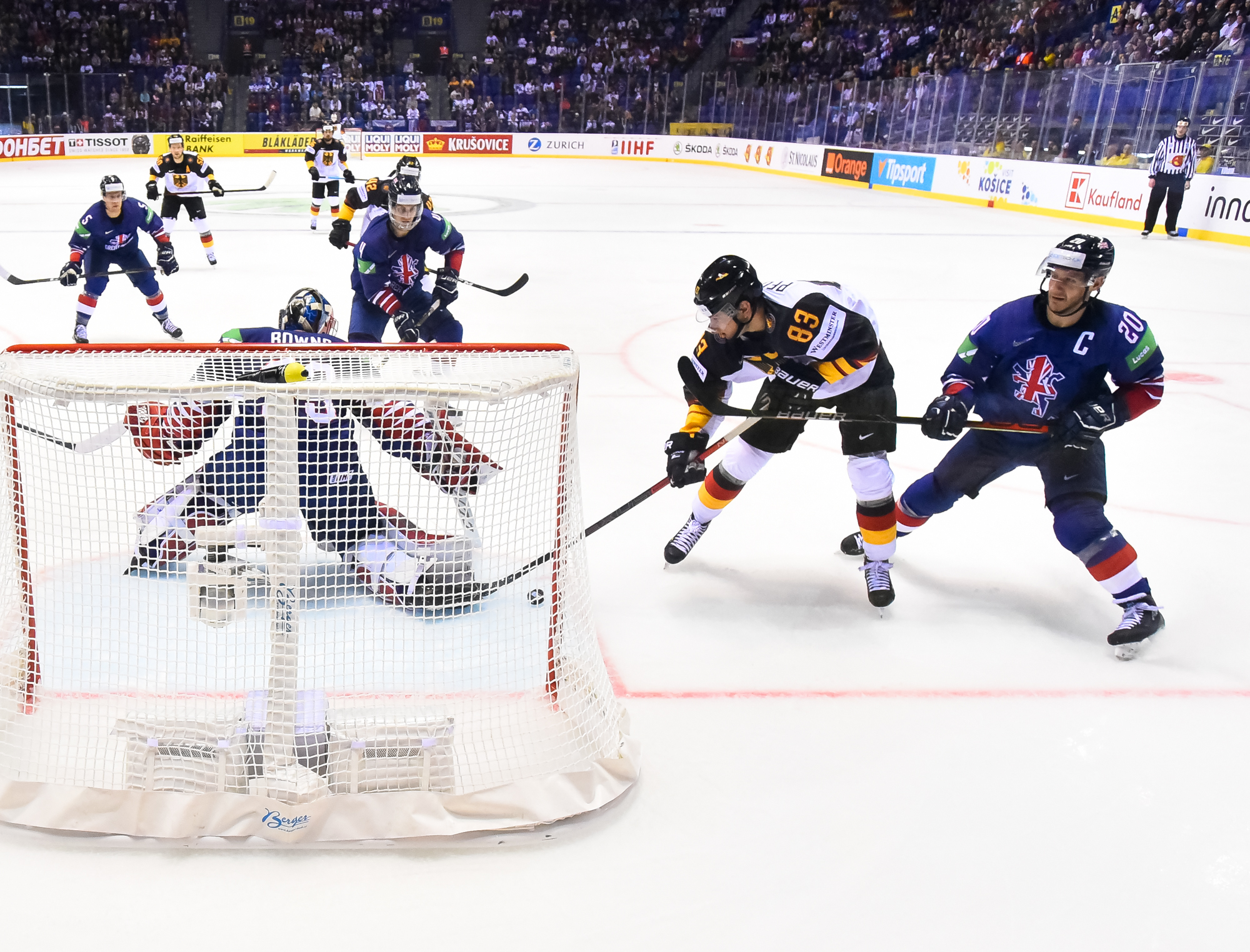 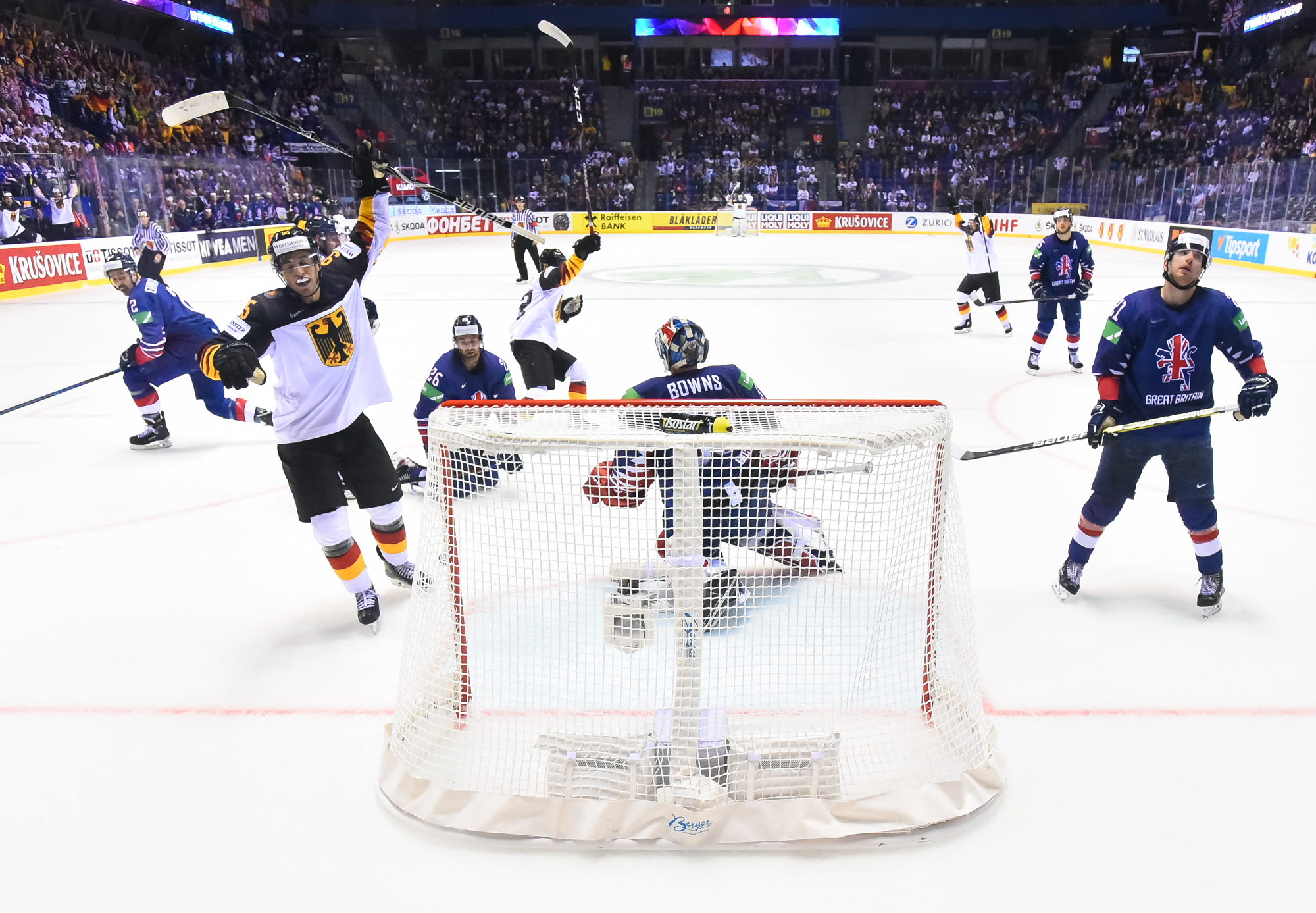 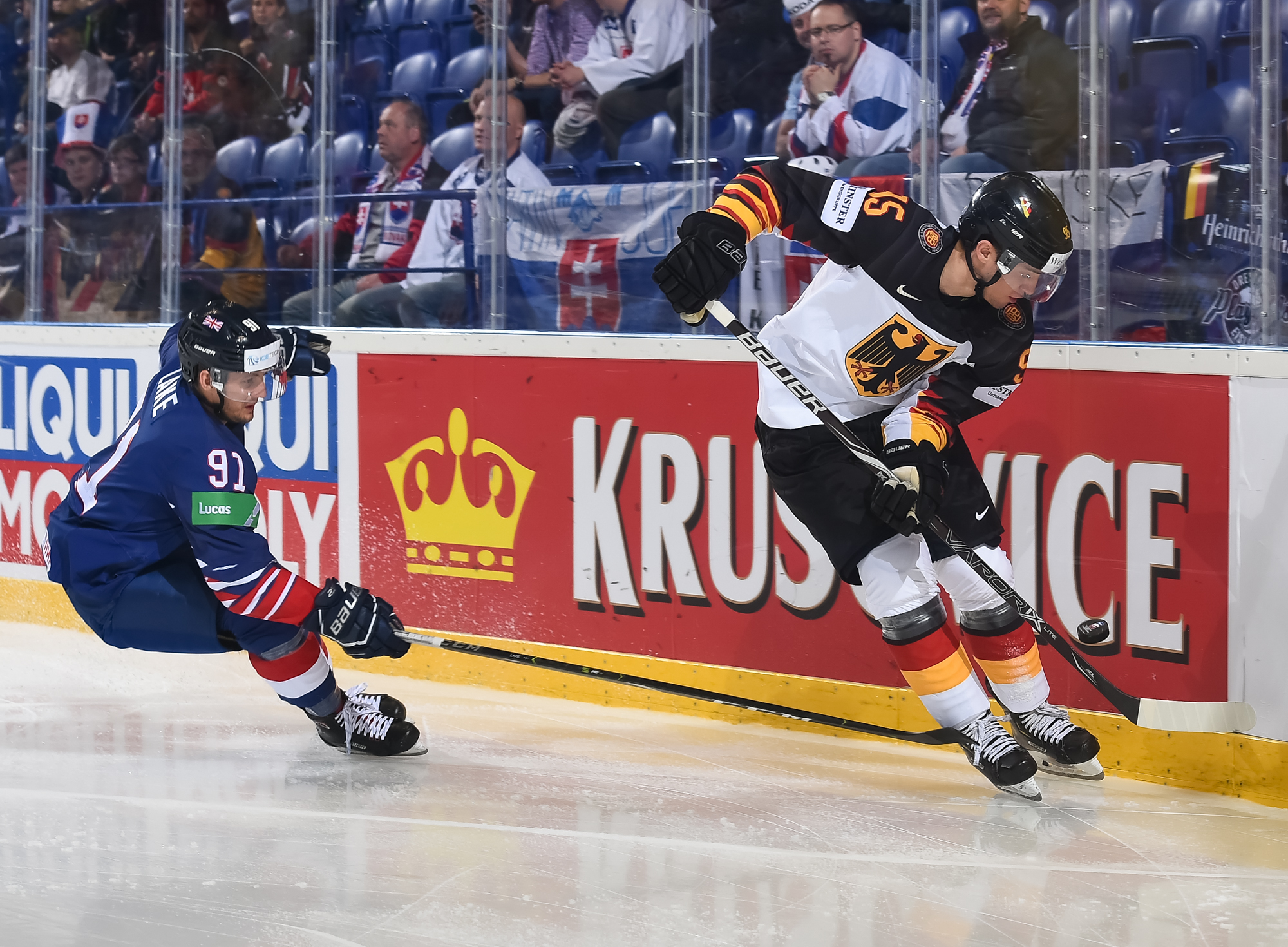 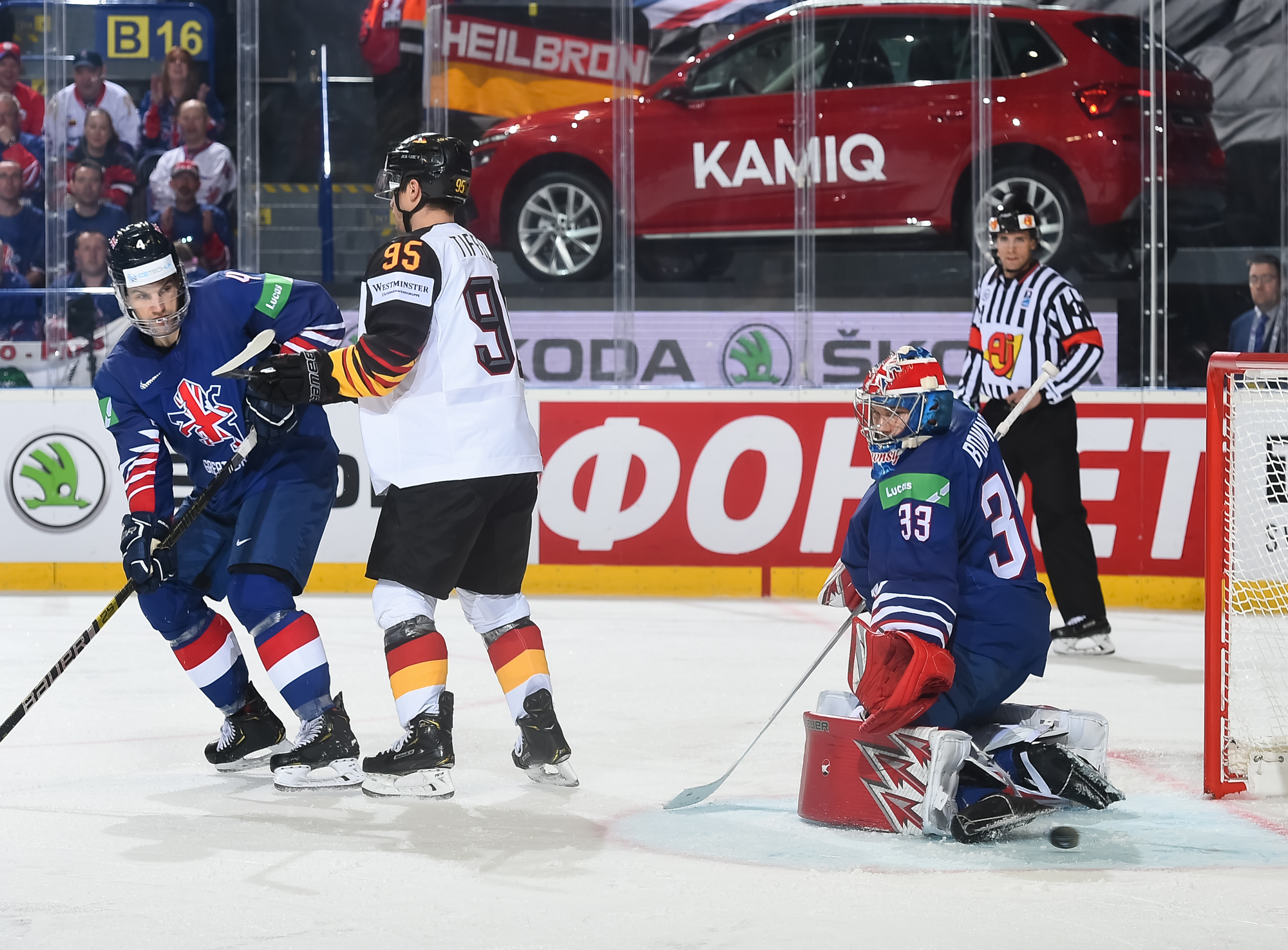 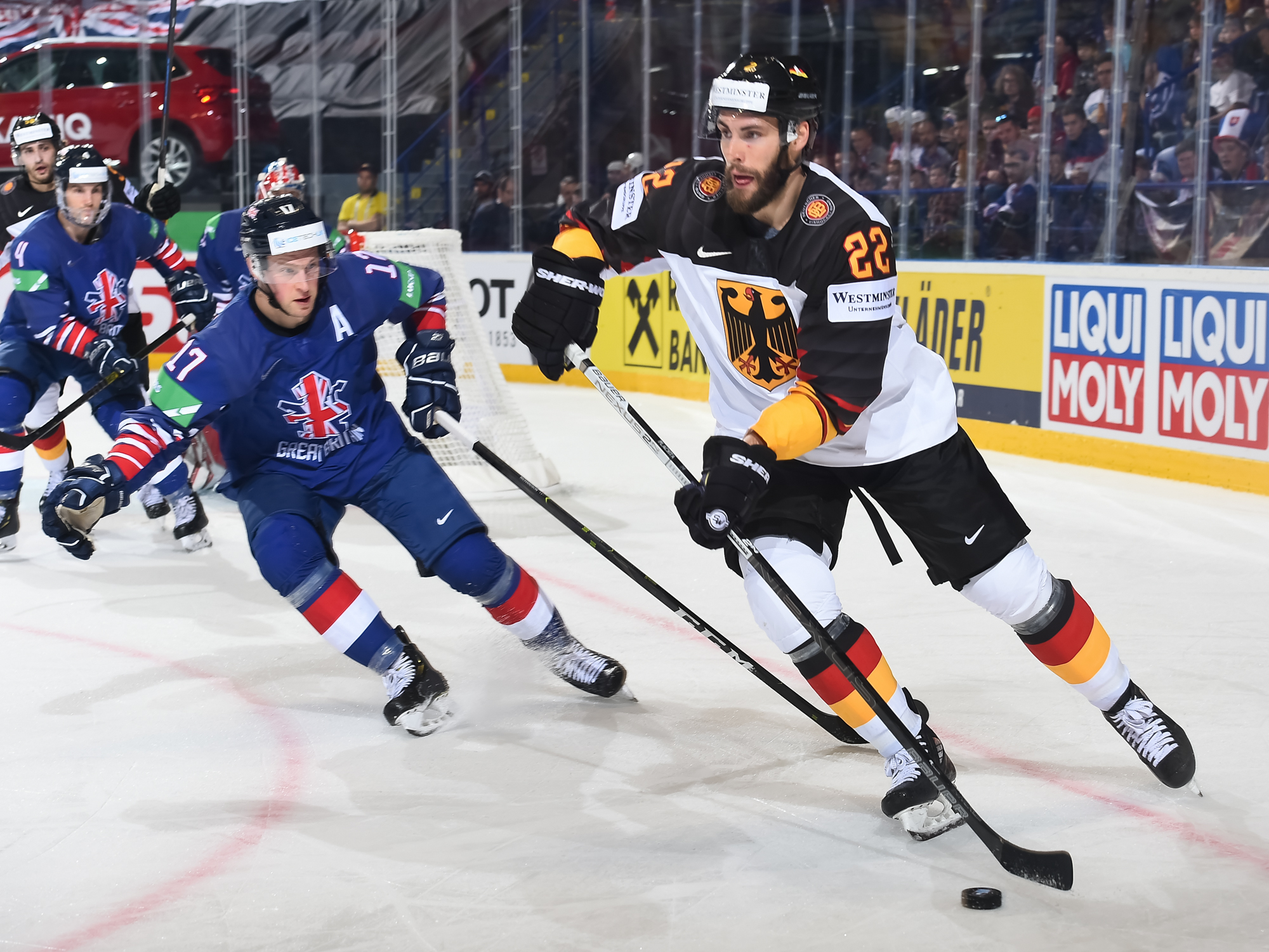 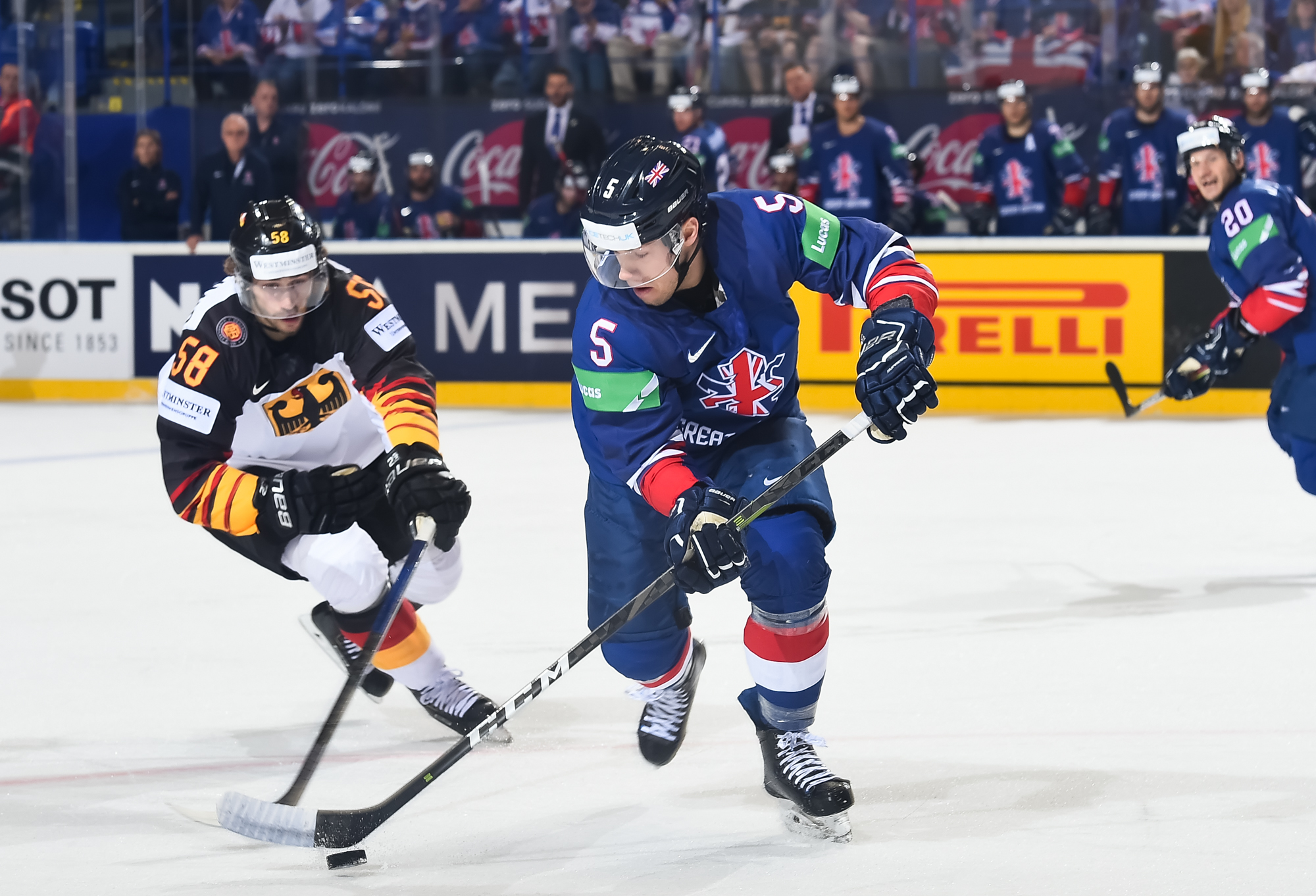 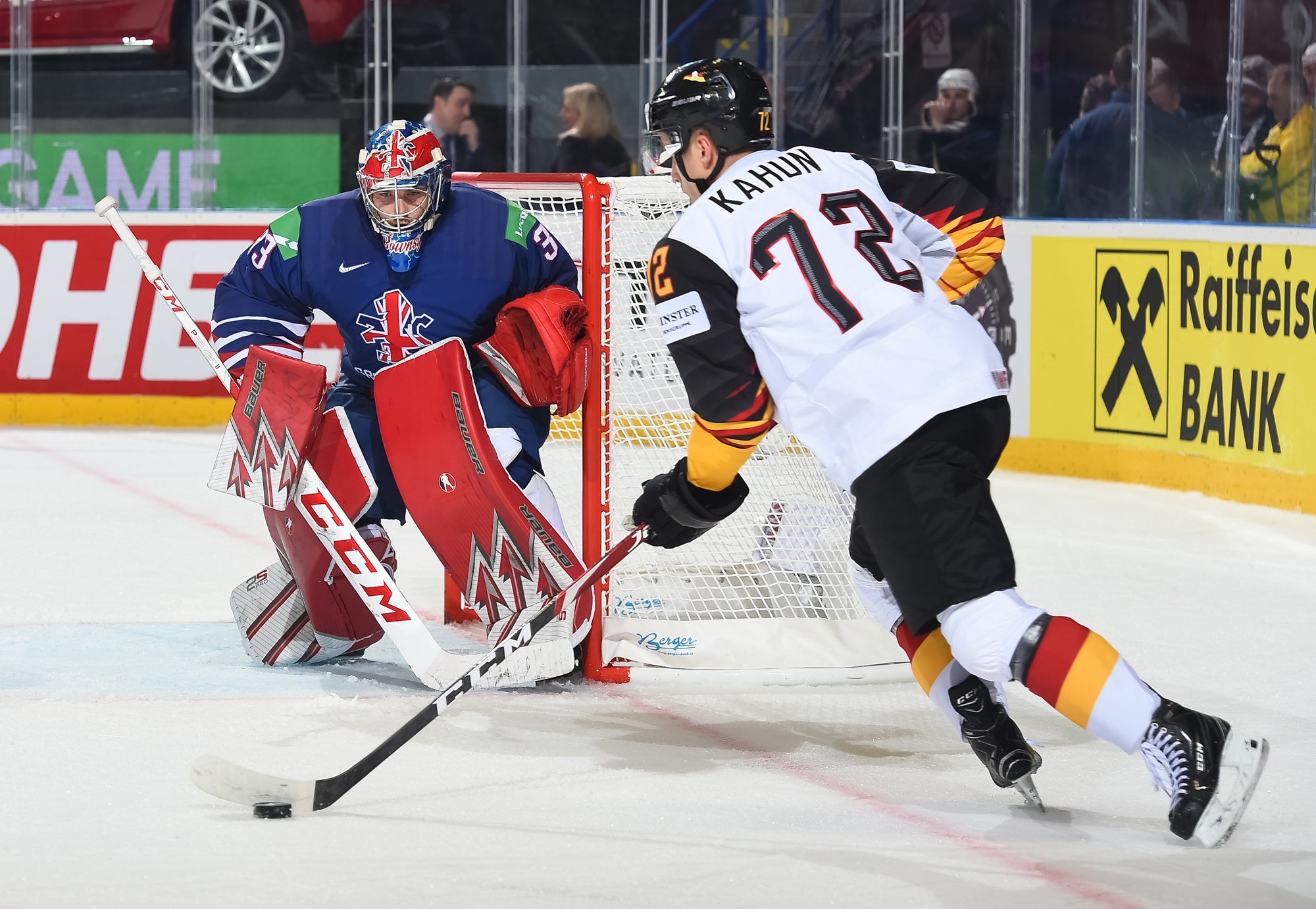 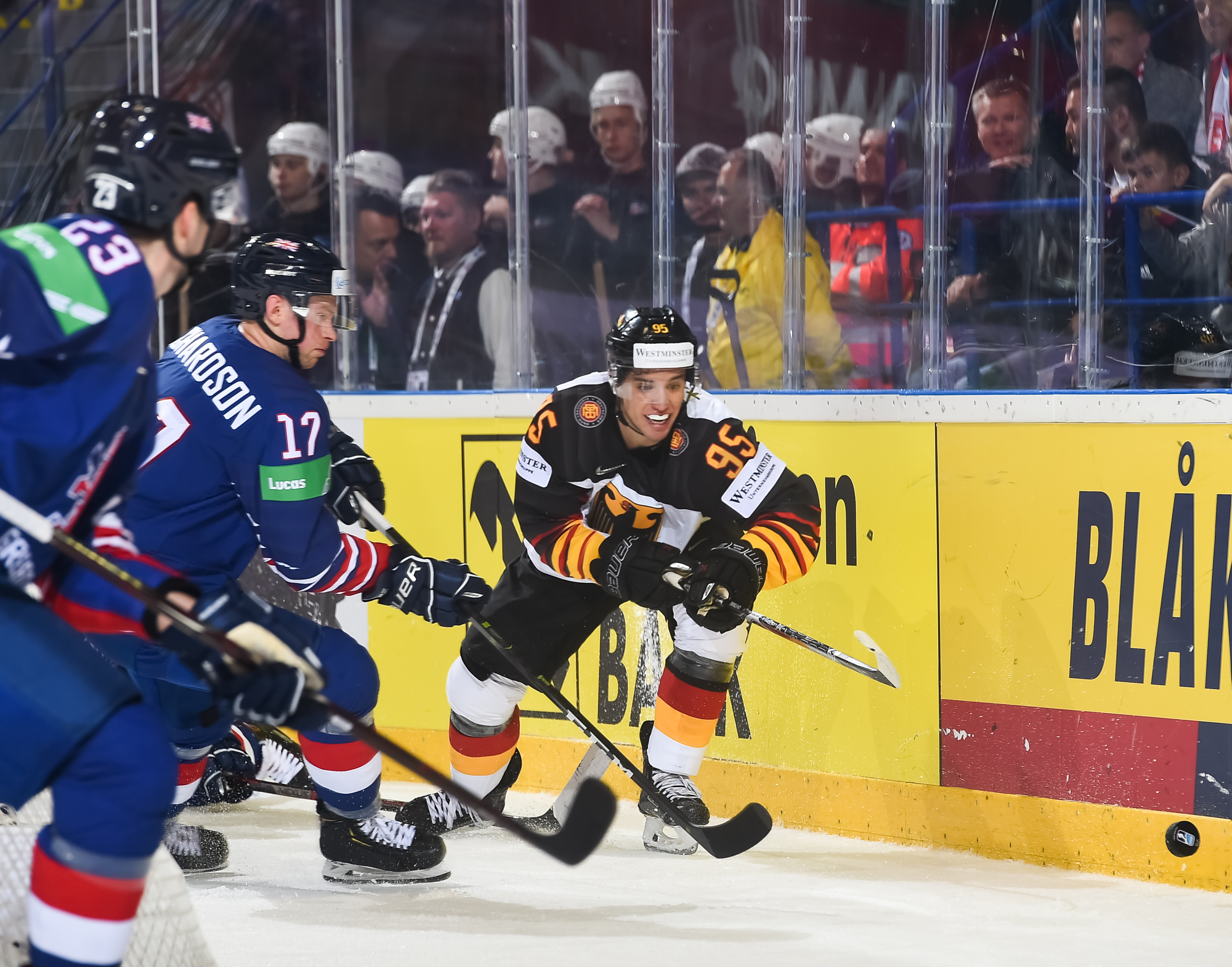 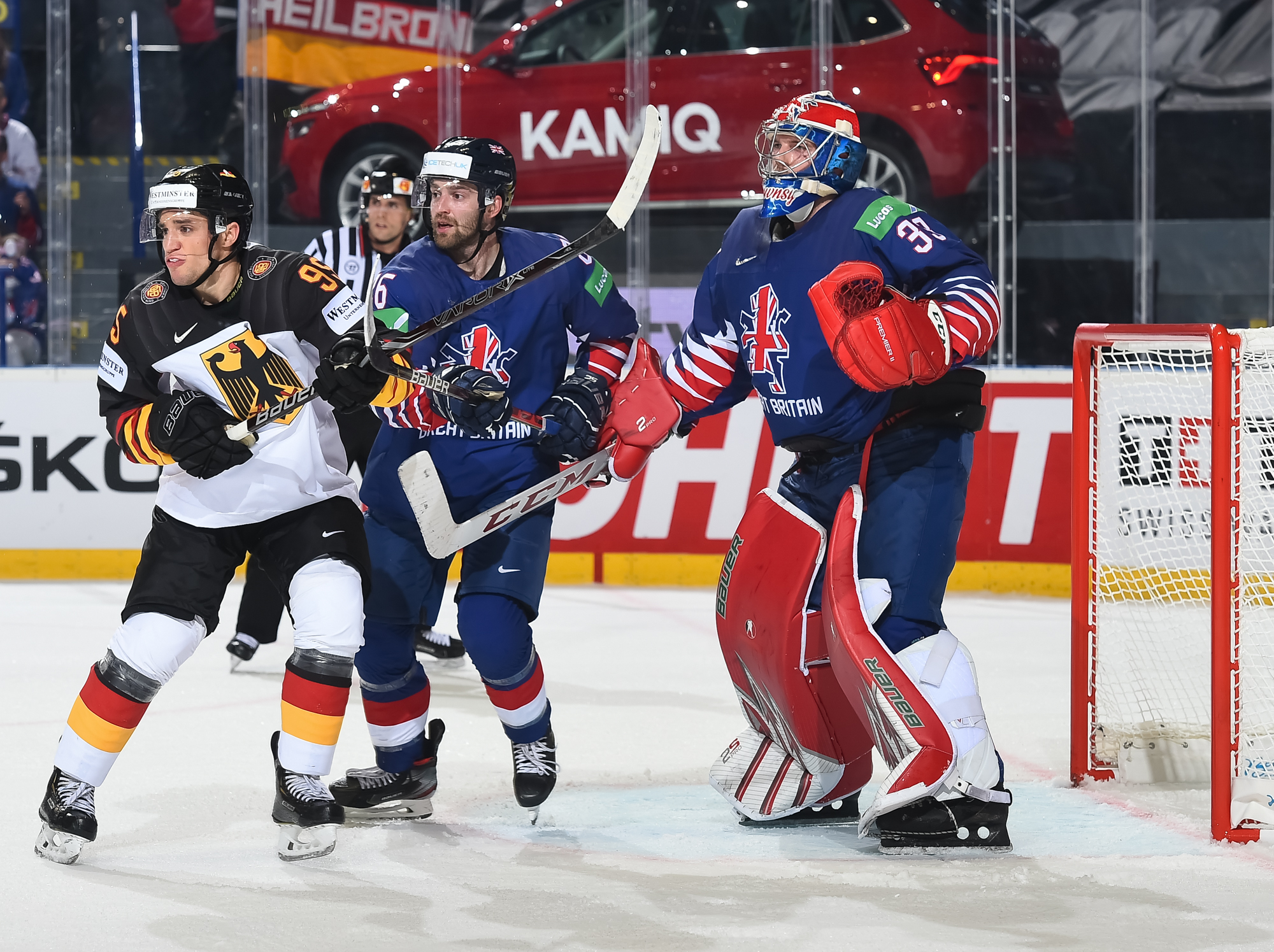 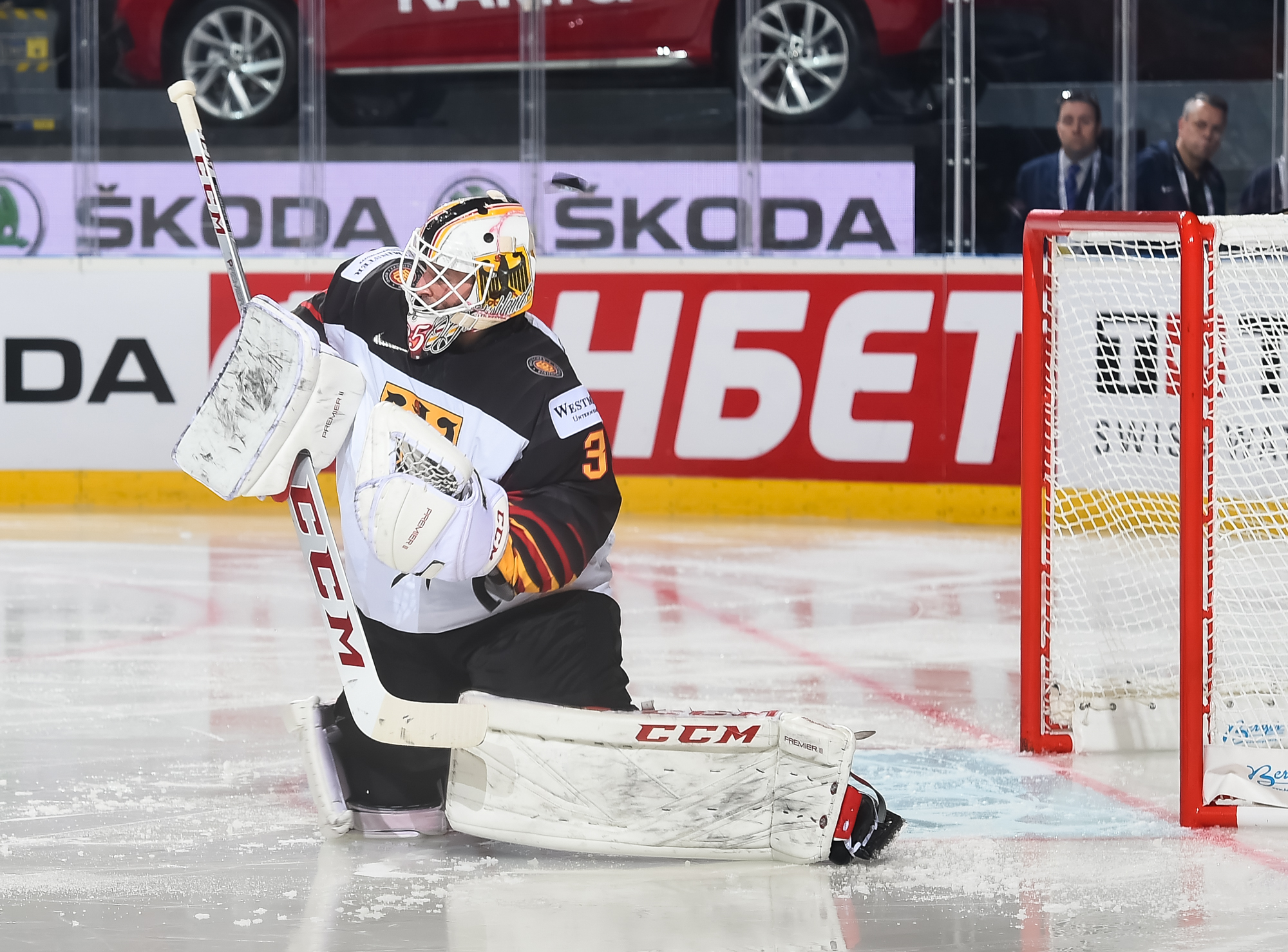 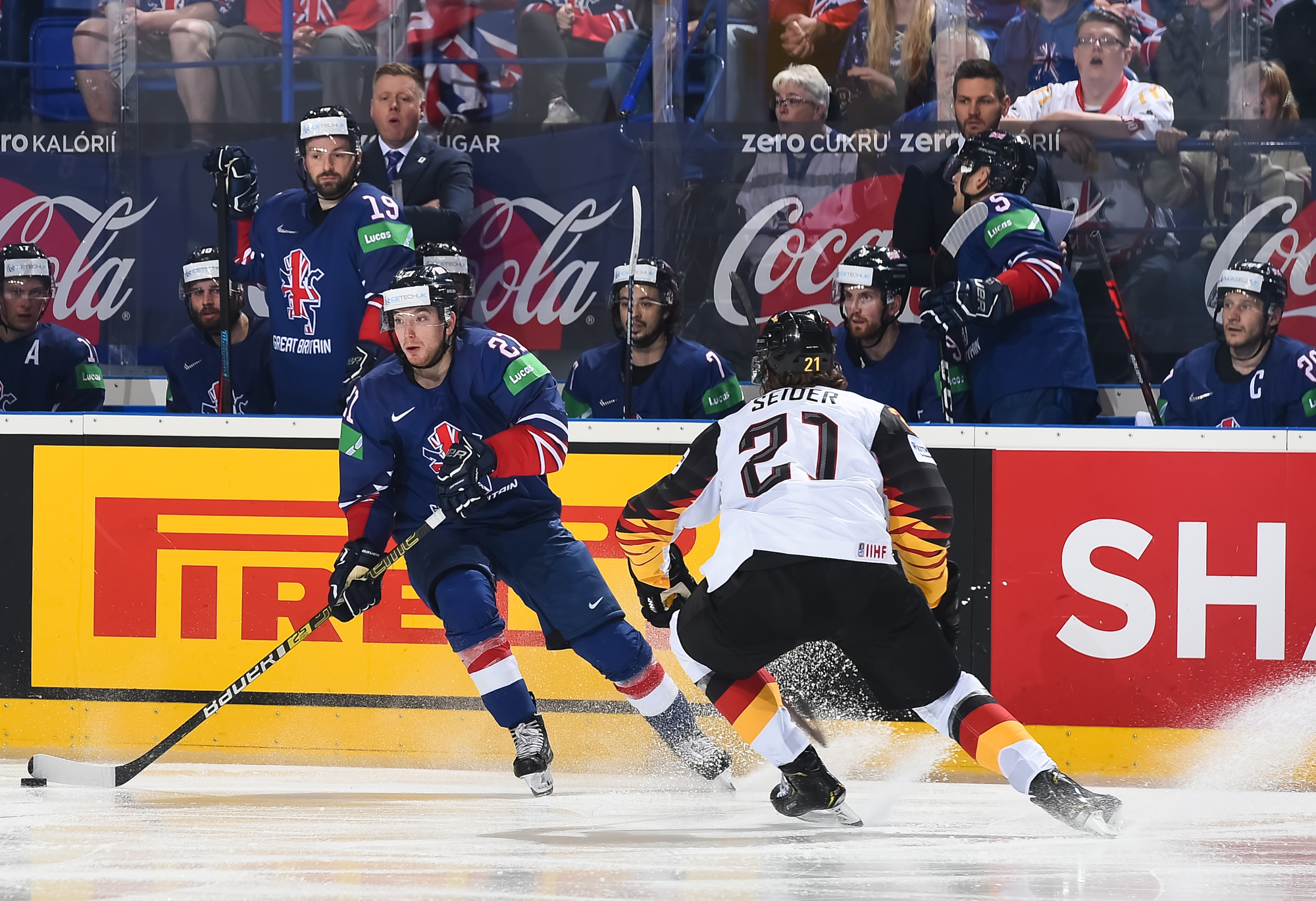 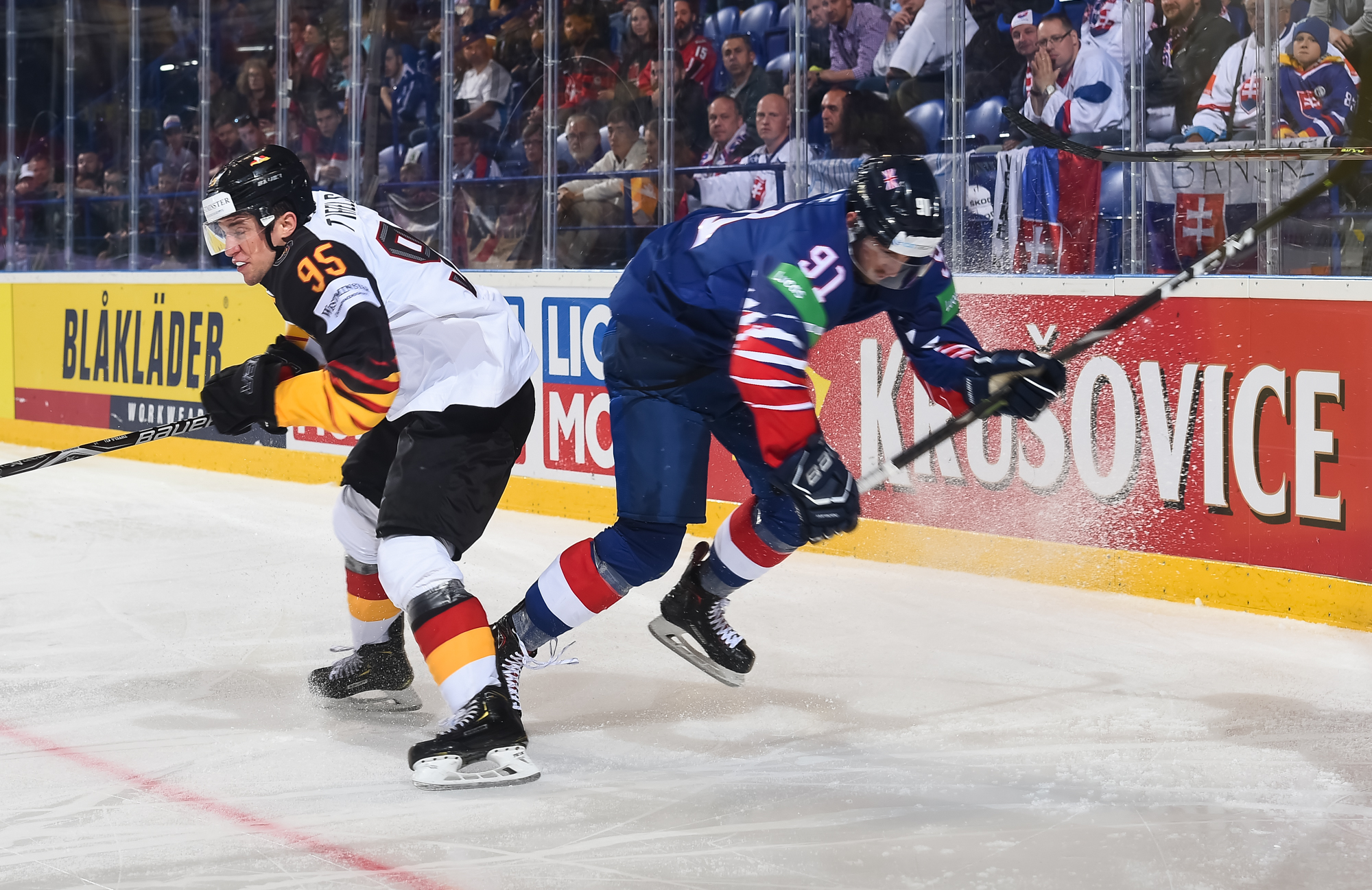 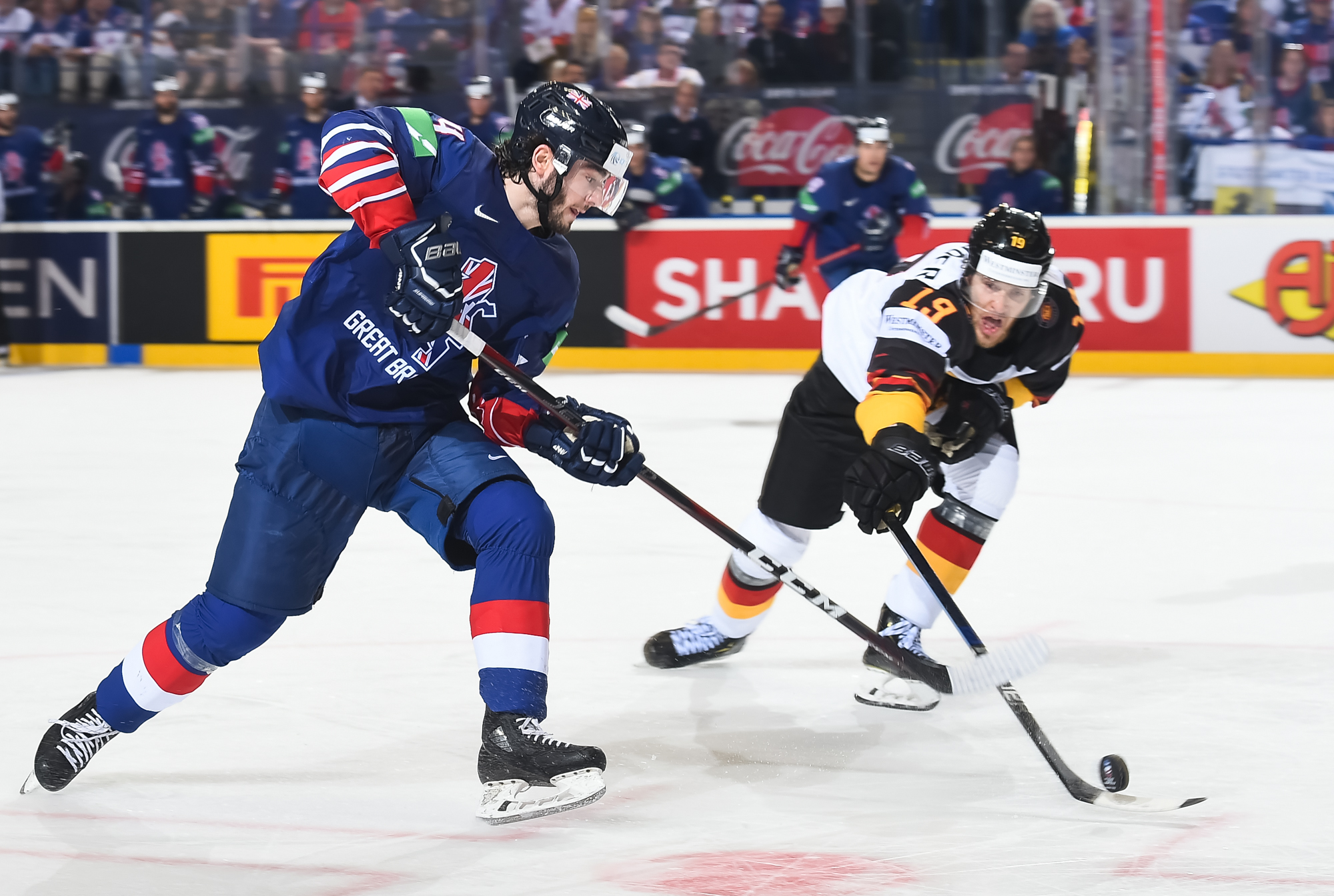 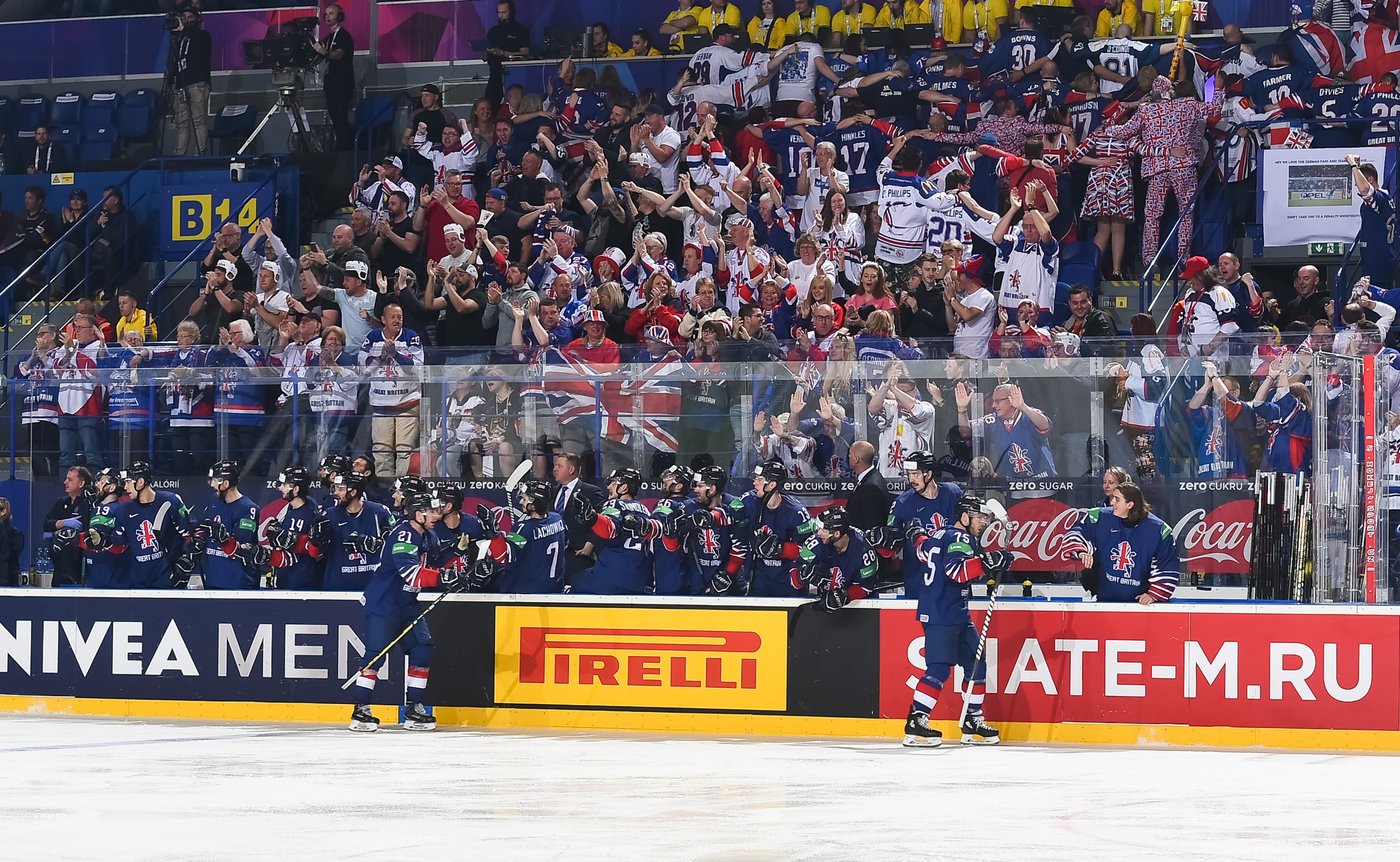 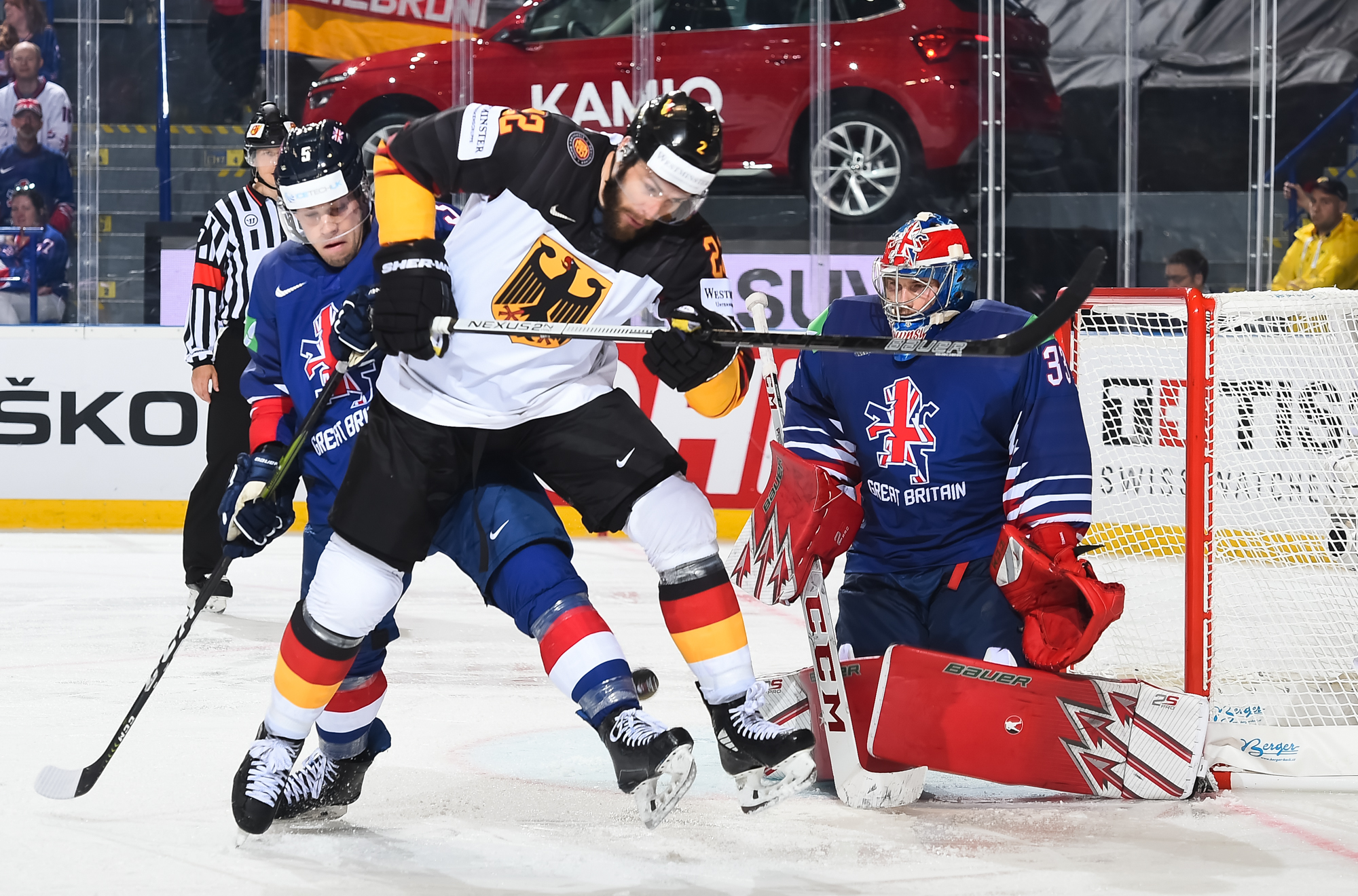 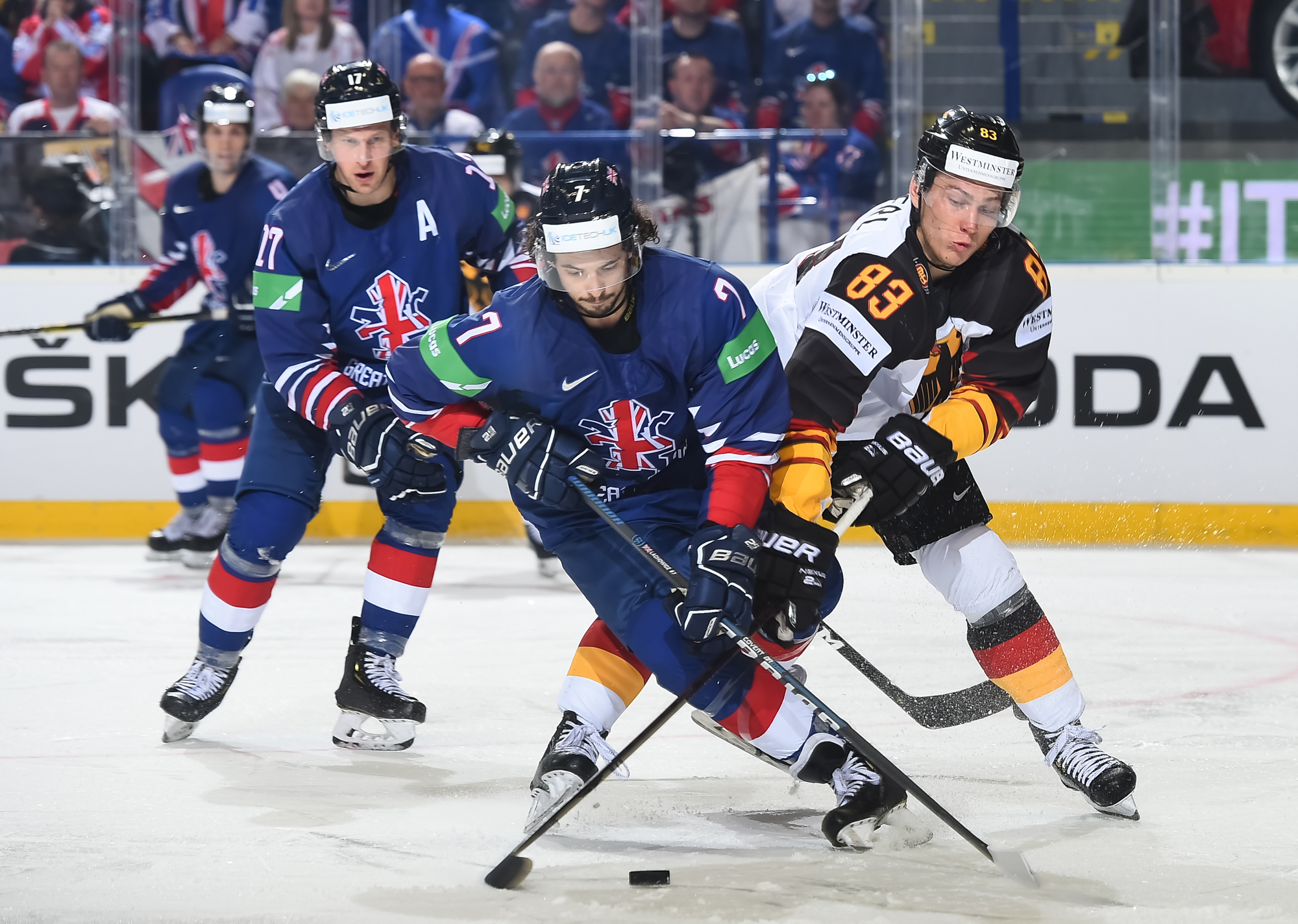 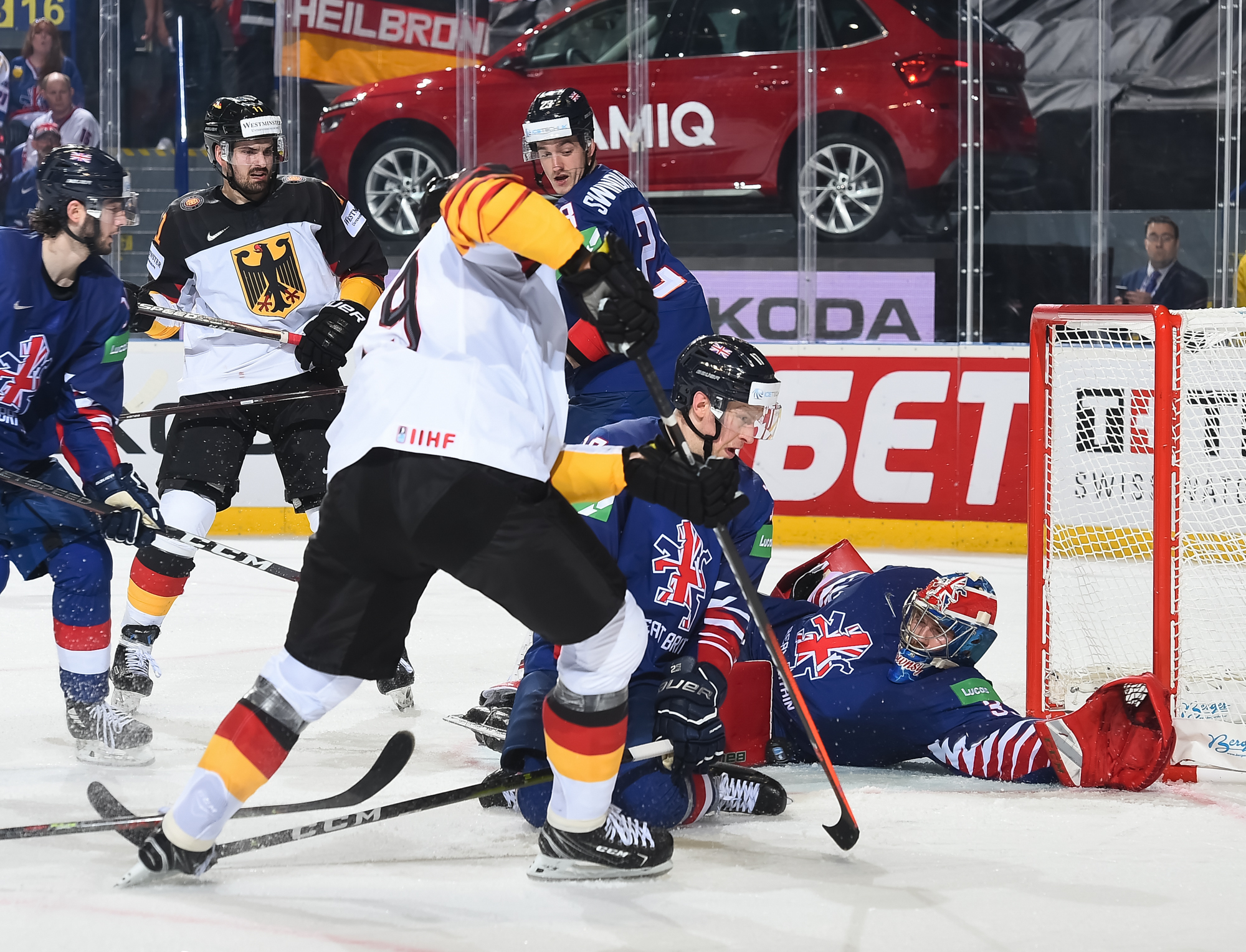 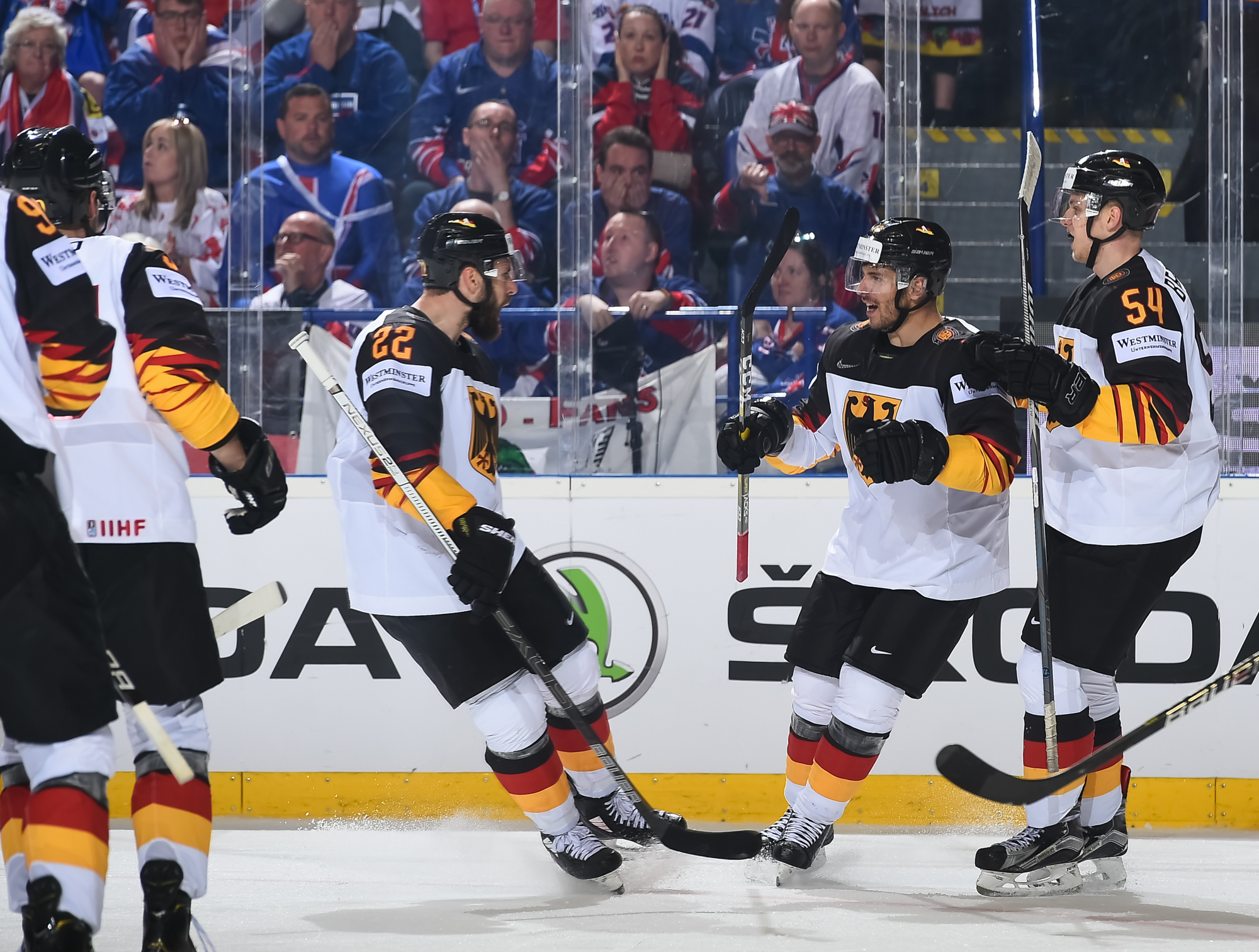 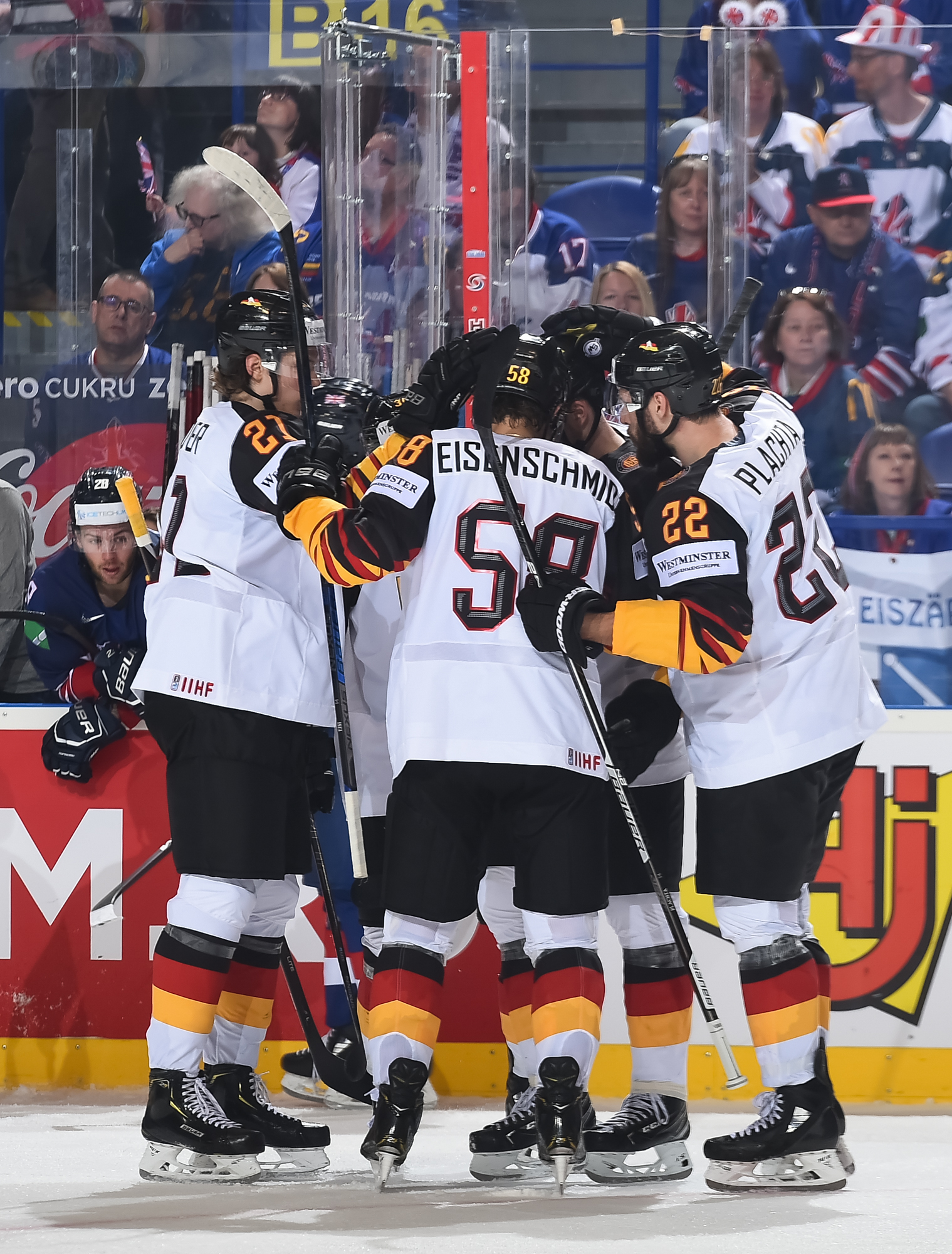 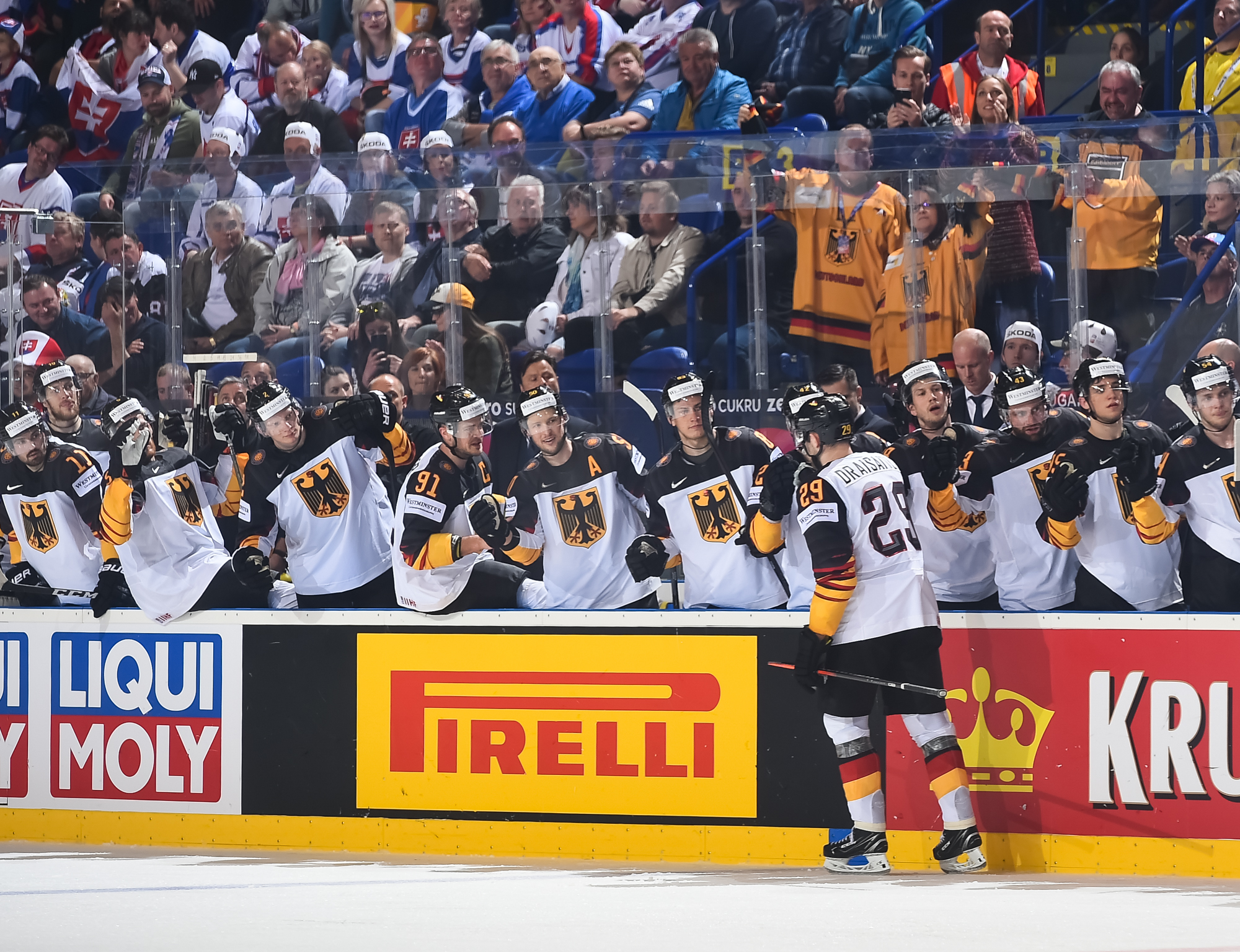 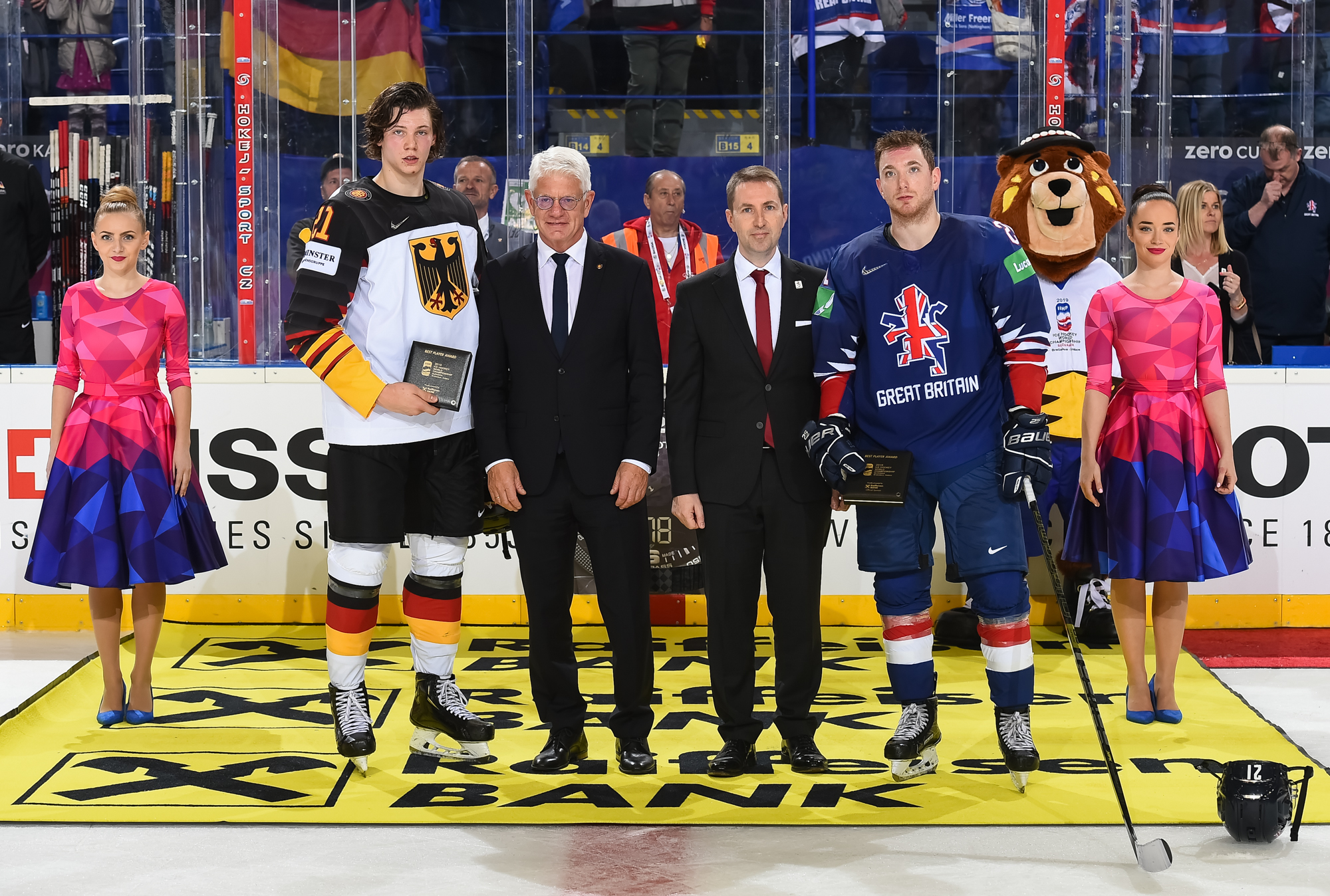 1 OF
World Men GER GBR
share
Related articles
World Men
Underdogs are ready to bite
Swiss and Germans see grounds for optimism in QF
23 MAY 2019
World Men
Czechs outlast Germans, on to semis
The Czech Republic defeated Germany 5-1 in the quarter-finals
23 MAY 2019
World Men
Eisenschmid breaks out
Germany's Markus Eisenschmid had a breakout season in Mannheim, and is continuing that in the World Championship.
22 MAY 2019