Apparently, good things do come to those who wait. Sweden pulled away from Italy with six third-period goals in a 8-0 victory on Sunday. It's the first win of these Worlds for the two-time defending champions, who bounced back after their Day One loss to the Czechs.

"It was kind of hard to score some goals," said Swedish captain Oliver Ekman-Larsson. "[The Italian] goalie played unbelievable the first two periods. But we kept going and kept playing the way we're supposed to play. We did that in the third and got some more goals. Overall, I thought it was a pretty good game."

"Anton Lander’s a really good centreman," said Adrian Kempe. "He’s been playing in the KHL and doing really good there. I’m not surprised. He’s a guy you can learn a lot from."

Not many goalies can say they made their IIHF World Championship debut at age 28 versus Lundqvist, but Italy’s Marco de Filippo Roia can. In front of 6,984 fans in Bratislava, it was a legitimate baptism of fire for the Cortina starter, who certainly did his best.

"It's very special," de Filippo Roia said of facing the Swedish legend. "One of the best goalies in the world. It's just a dream come true."

The Italians can take pride in keeping the score slightly closer than in their 9-0 opening loss to the Swiss, but they were outshot 58-13 and never really had a chance, even if Sweden wasn't 100 percent sharp."It was a full 60-minute performance," Lander said. "It’s still early in the tournament, so we’re still working on things. We have to stick to our system, and we need that to be more normal for everyone so we don’t have to think, we can just go out there and play. If we focus on that, normally good things happen."

At 2:10, Sweden drew first blood. Jesper Bratt dipsy-doodled into the Italian end and flung a shot on net, enabling Lander to shovel in the rebound. Lander, a 2010 World Junior bronze medalist and 2018 Olympian playing in his second Worlds, is noted for his faceoff prowess, but made a bigger contribution here.

Ekman-Larsson said with a smile: "We know he's got some skill and he can score goals. So we're not surprised. That's more you guys! But it's obviously nice. Such a good guy. It's a lot of fun to see him score three goals tonight."

Methodical Swedish puck control took its toll on the Italians, who showed lots of grit despite constantly chasing. With under two minutes left in the first period, Dennis Rasmussen got a breakaway from the neutral zone, but de Filippo Roia stoned him on the shot and the rebound.

"We talked about it in the first intermission," said Adrian Kempe. "We had one goal and we just said keep rolling into their zone, keep shooting pucks, keep getting people in front of their net and we’ll score in the end."

Early in the second period, Italy’s Antony Bardero was sent off for dragging down Elias Pettersson in the offensive zone. Pettersson promptly made the Azzurri pay on the power play, whipping a pass from the half-wall on to the net-front stick of Hornqvist, who tucked the puck past de Filippo Roia’s left skate at 5:25.

In the third period, the dam broke. Much like Russia's 5-0 win over Austria, the plucky underdog could only hang on for so long.

The hard-luck Italians, seconds after a flurry that saw the puck ricochet off Lundqvist's right post, were called for too many men on the ice. With the 5-on-4, Tre Kronor went into precision passing mode. Nylander skimmed a diagonal pass to Adrian Kempe, who found Lindblom cross-crease for an easy tap-in at 1:57.

Just 55 seconds later, Kruger swooped into the high slot, took Rasmussen's feed from the right faceoff circle, and whipped the puck under the Italian goalie's glove.

At 8:55, Lander accepted a lovely backhanded pass from Eriksson on a shorthanded odd-man break and made it 5-0. Then Nylander lifted the puck into the net when it squirted out during a goal mouth scrum at 12:33. Italian coach Clayton Beddoes challenged the play since it appeared Hornqvist might have been in the crease, but after a video review, the goal stood.

"I think we played great the first two periods," de Filippo Roia said. "Then we got a little tired. They got more odd-man rushes. Against these skilled players, it's hard."

Elias Lindholm left a drop pass for Lander to complete his hat trick from the high slot with 4:28 remaining. Hornqvist, standing in front, made it 8-0 on a tip of Adrian Kempe's long shot for his third goal of these Worlds with 1:27 left. Lundqvist got his shutout, and all was well for Tre Kronor fans.

Looking forward to the next game against Norway, Ekman-Larsson identified an area that needs improvement: "I felt like they kept us on the outside a little bit. I feel like we need to go a little bit more to the net and be a little bit dirtier in front of the net and go to areas where you can score." 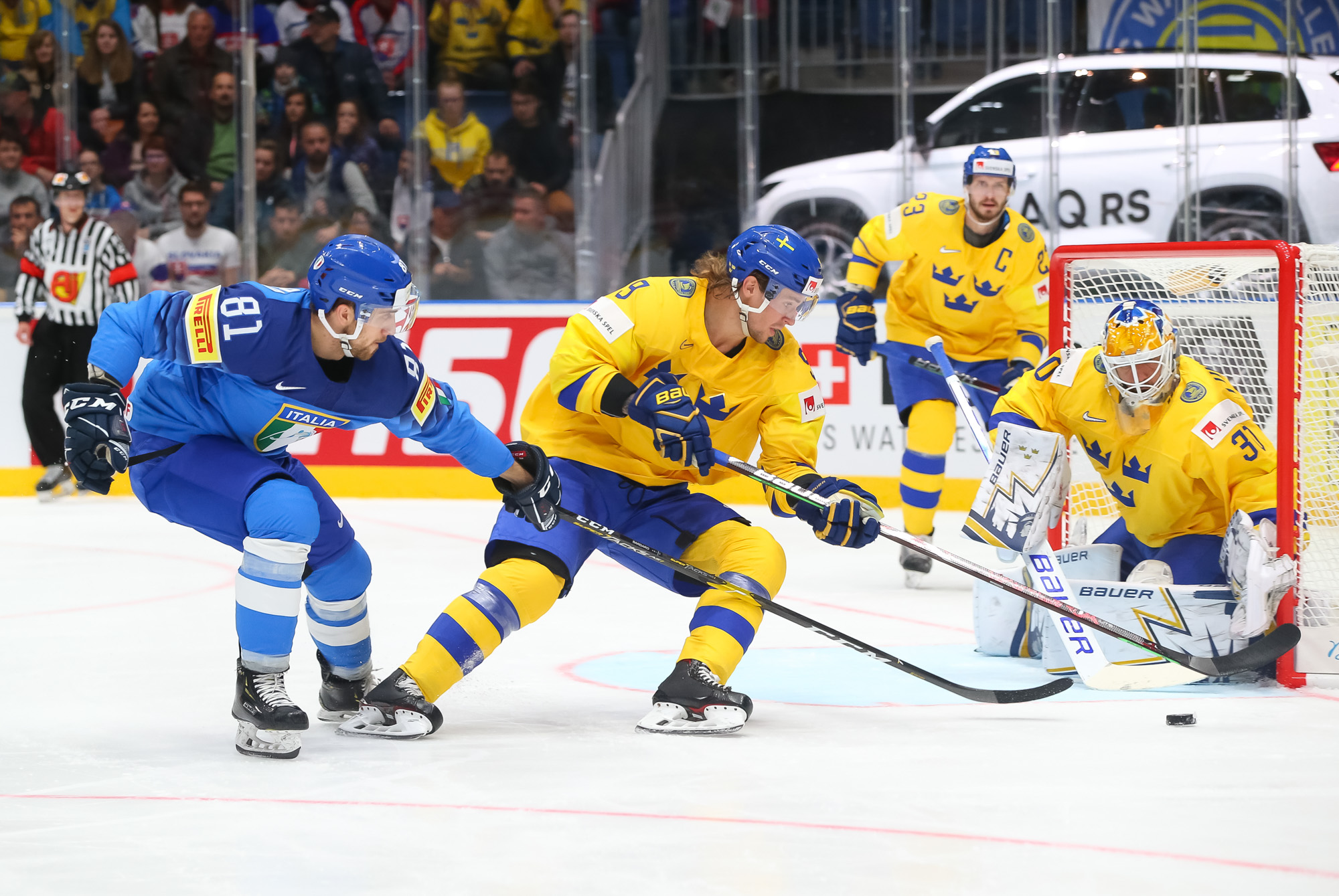 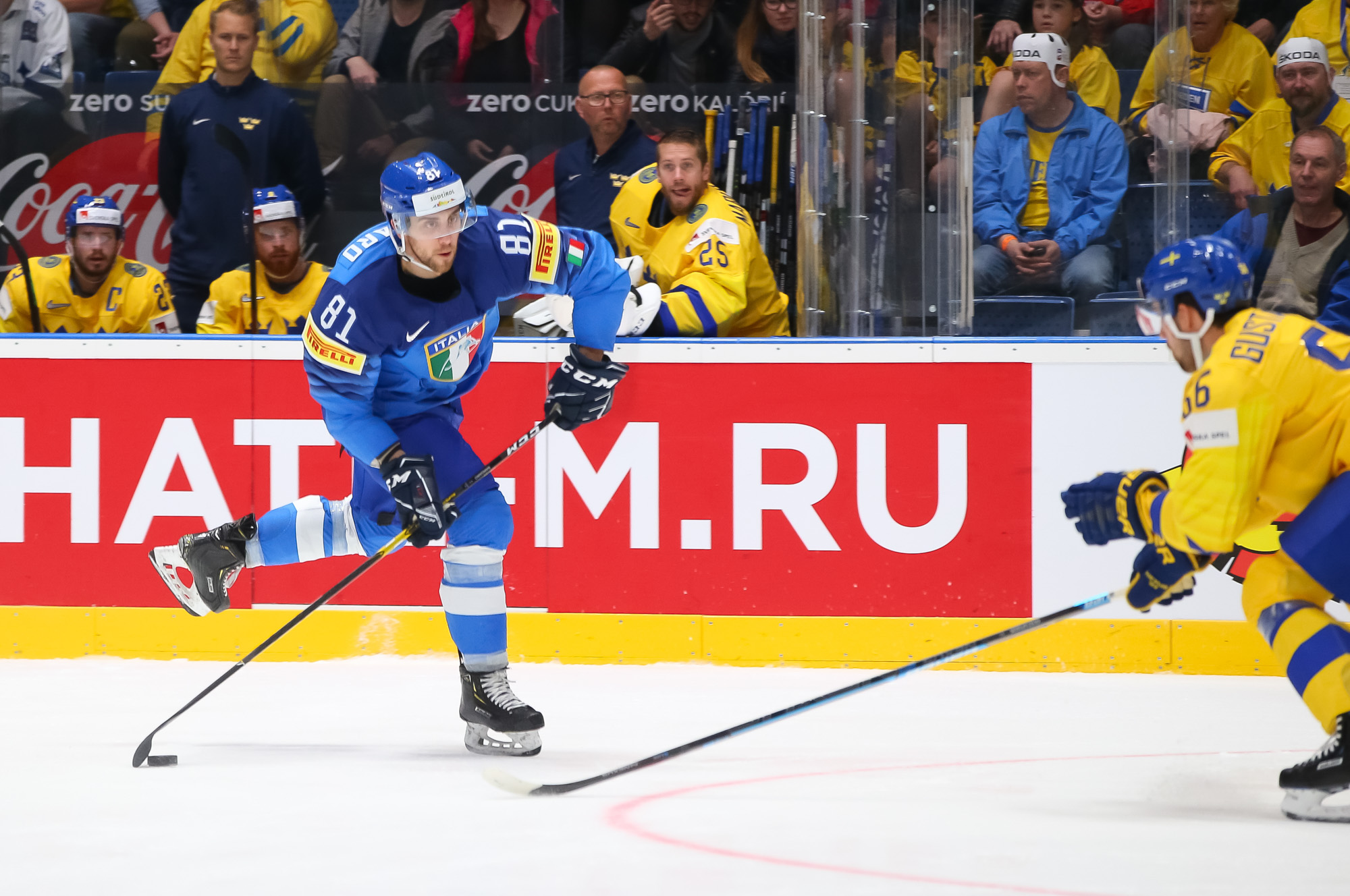 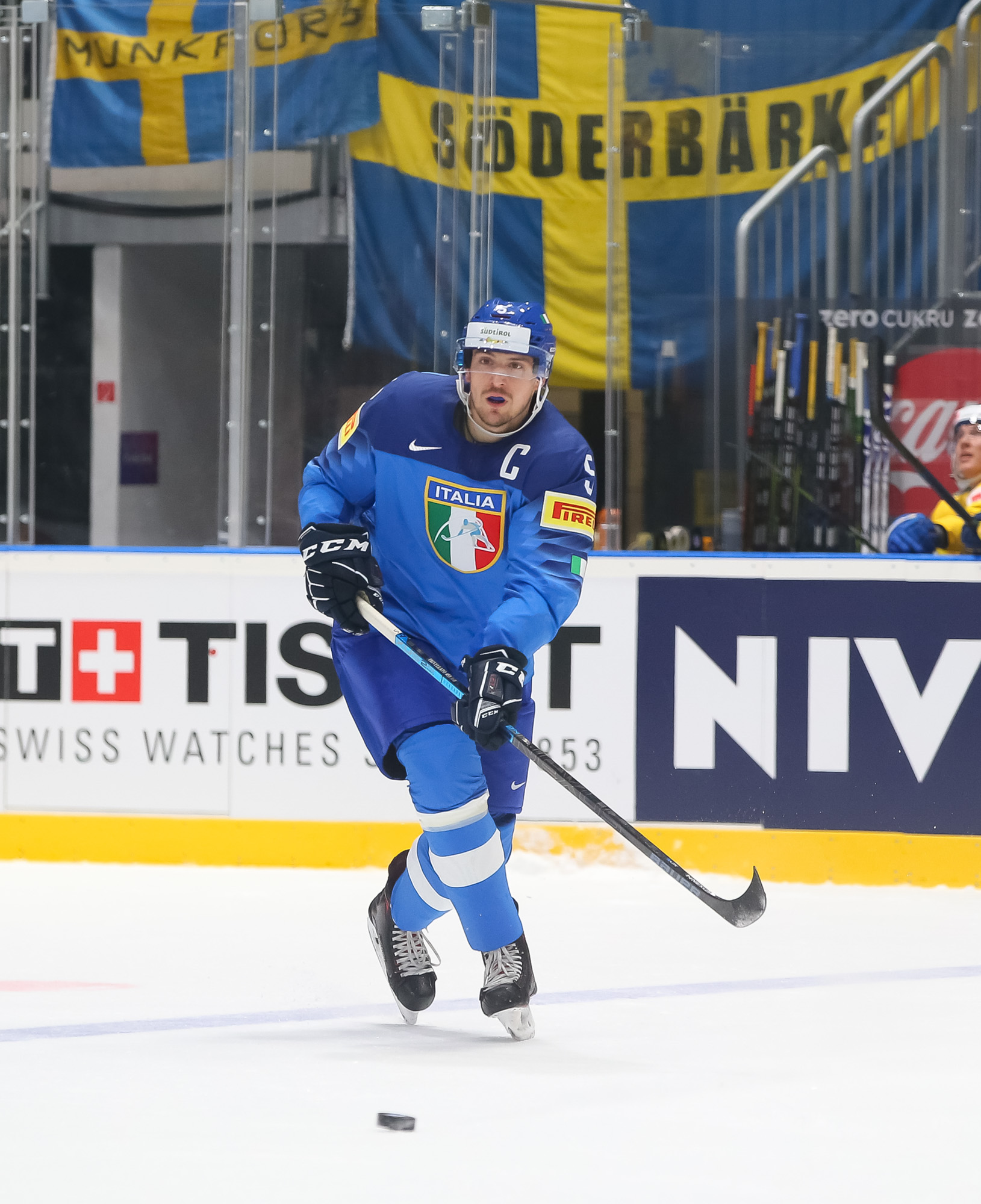 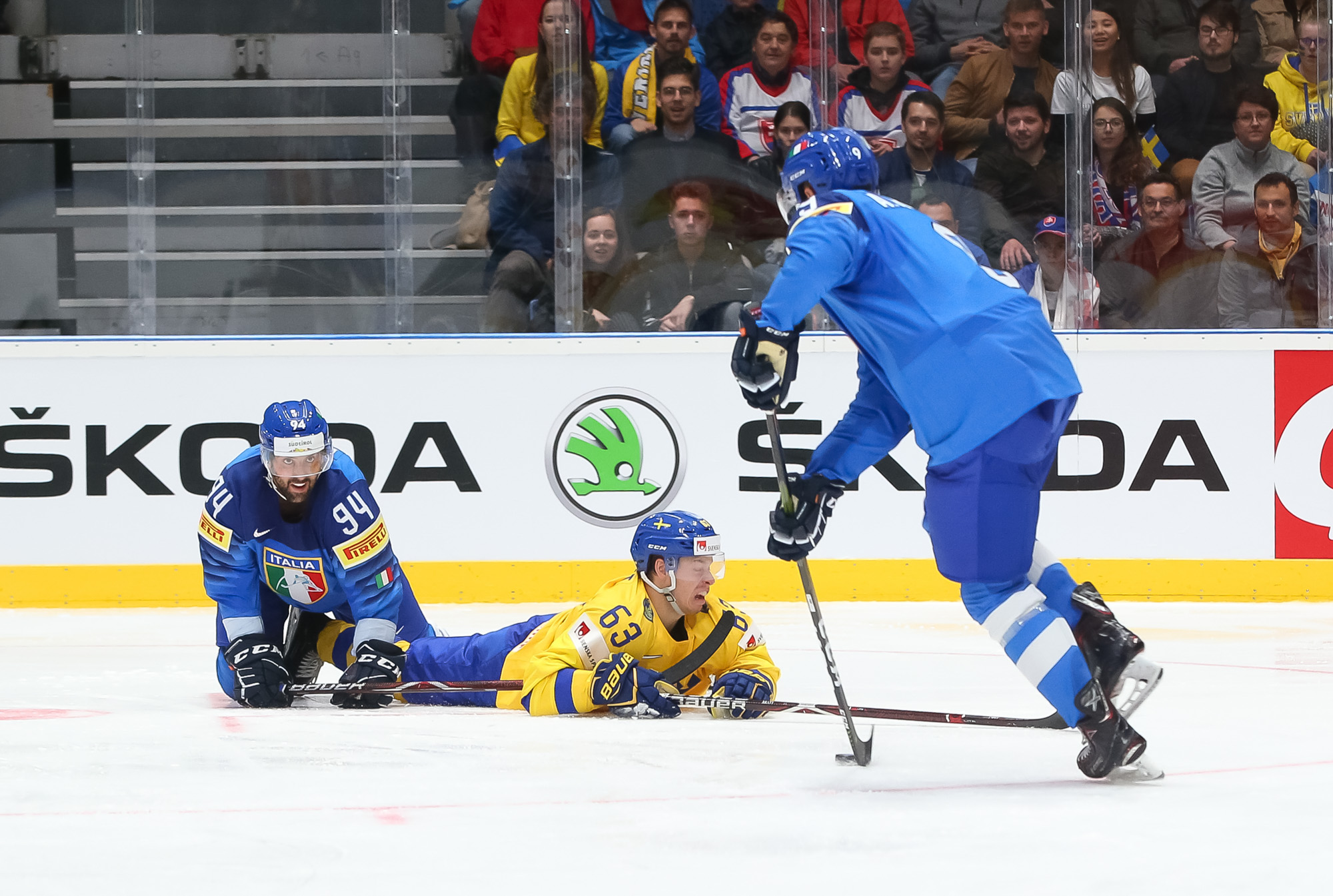 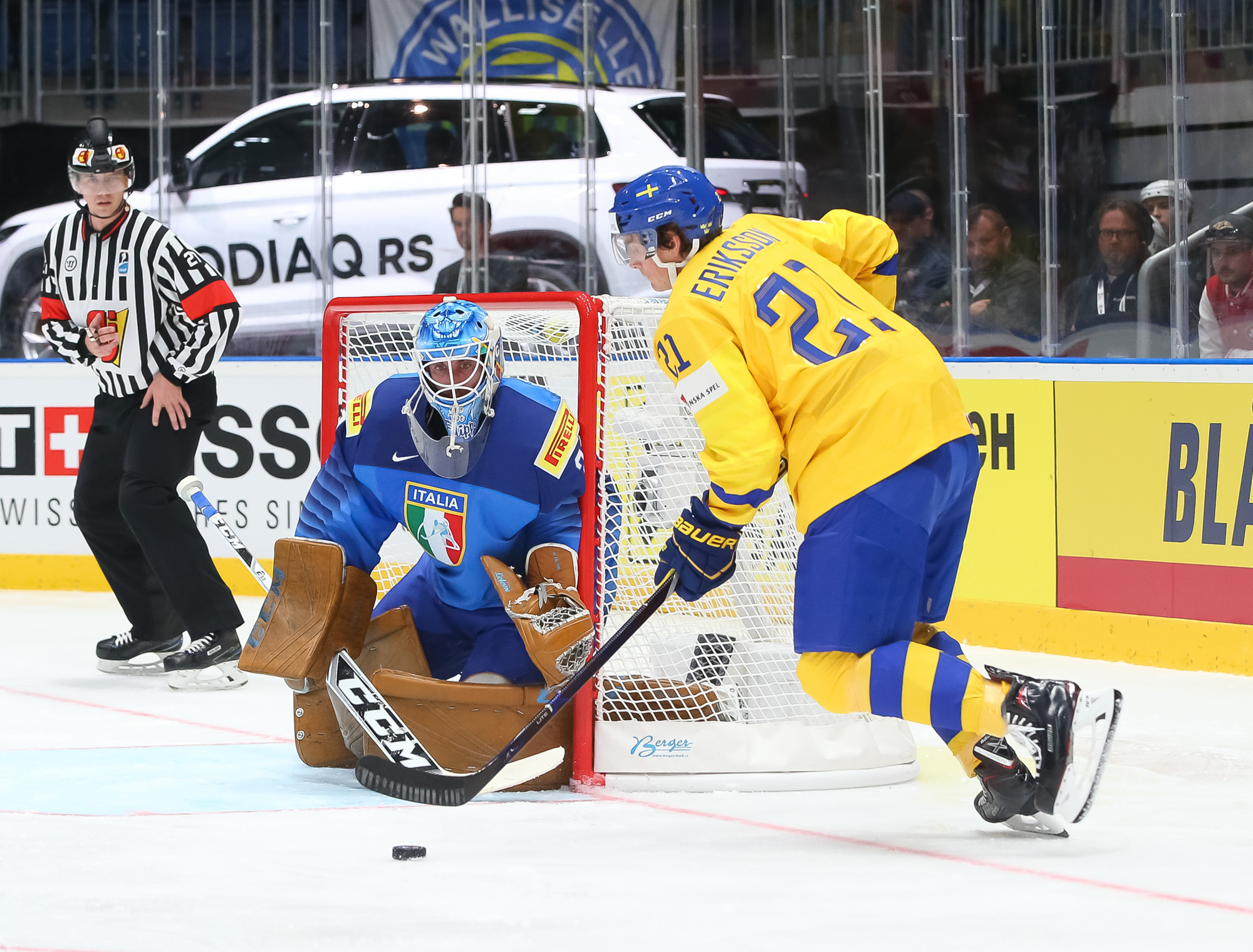 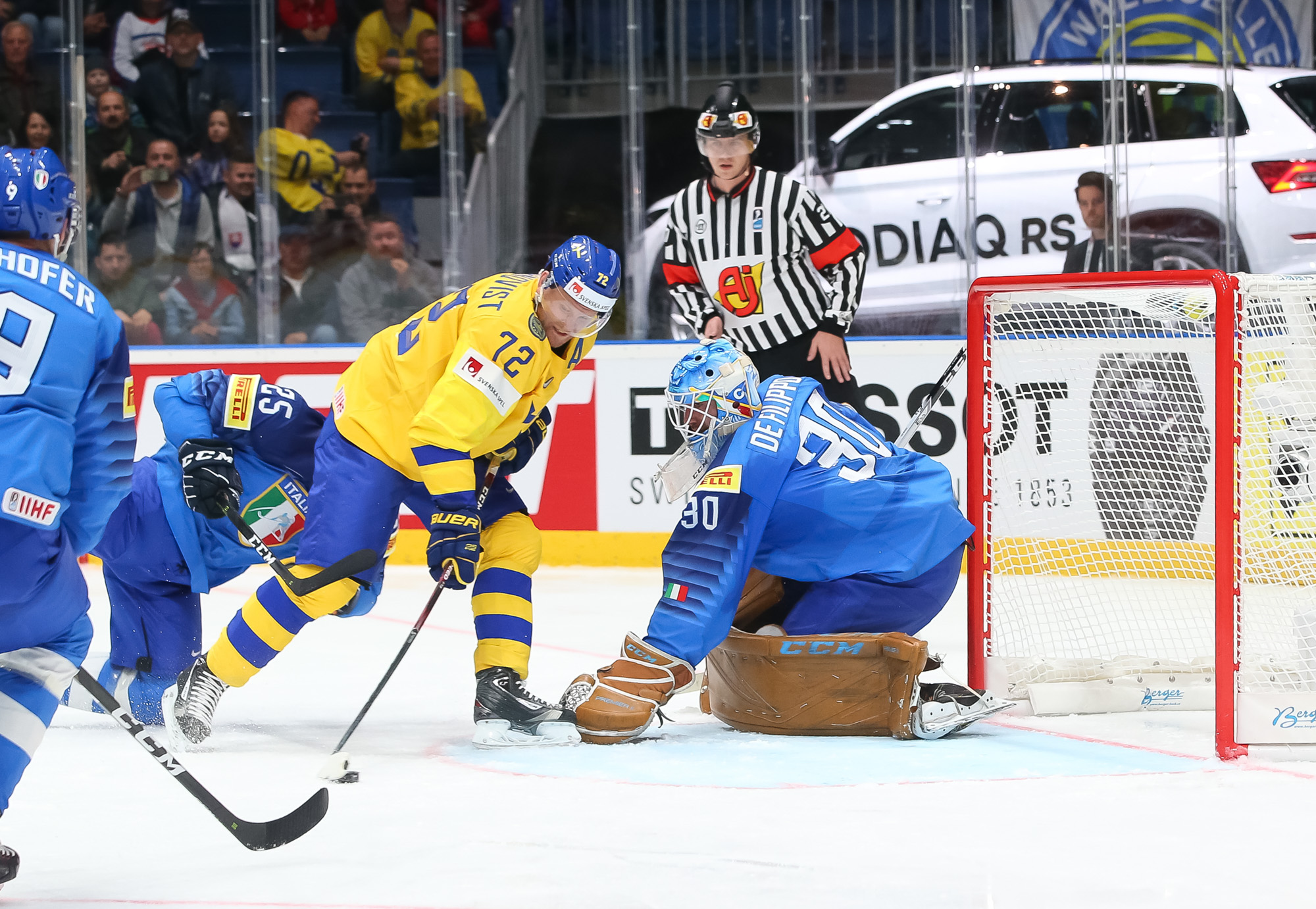 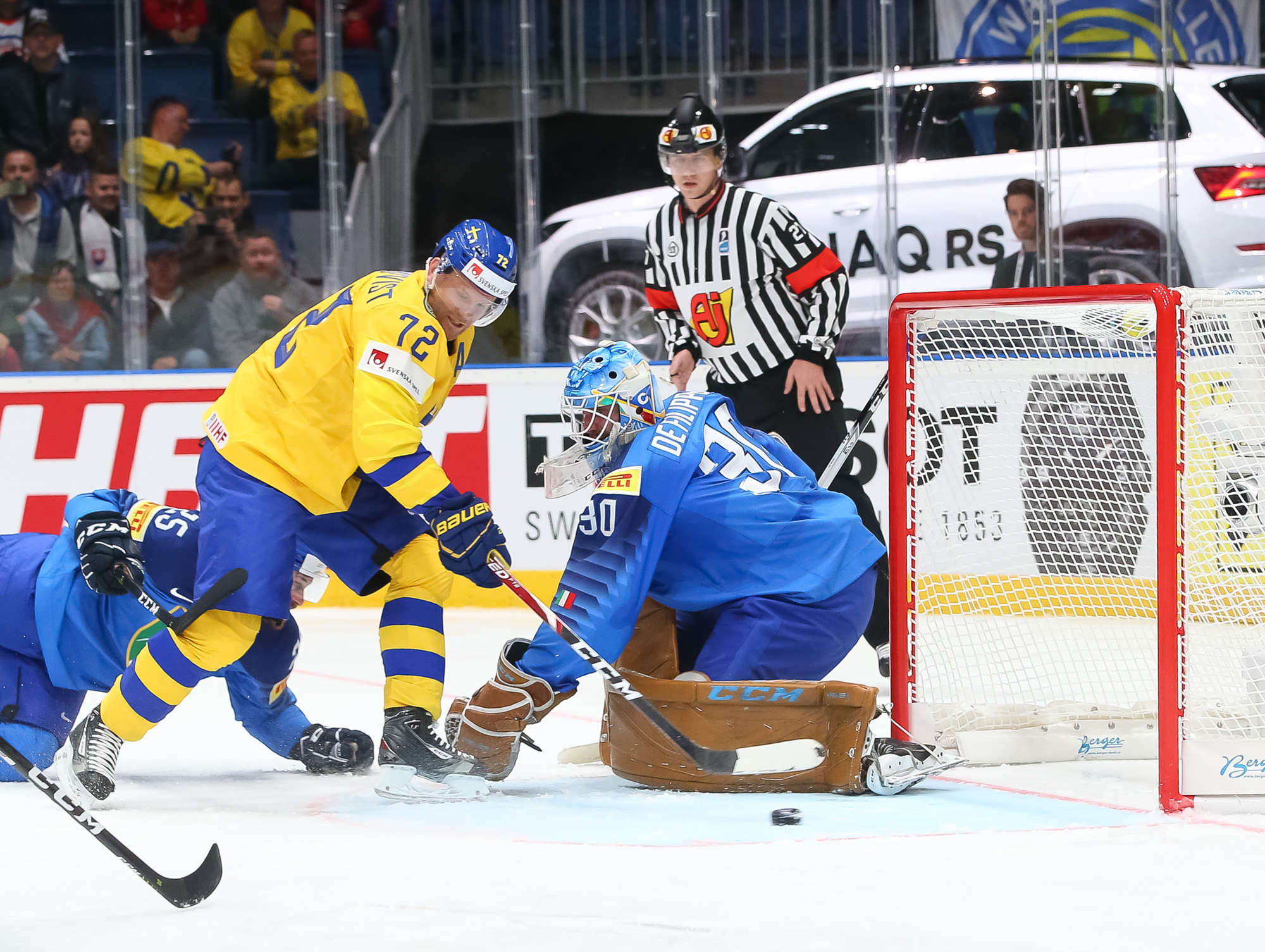 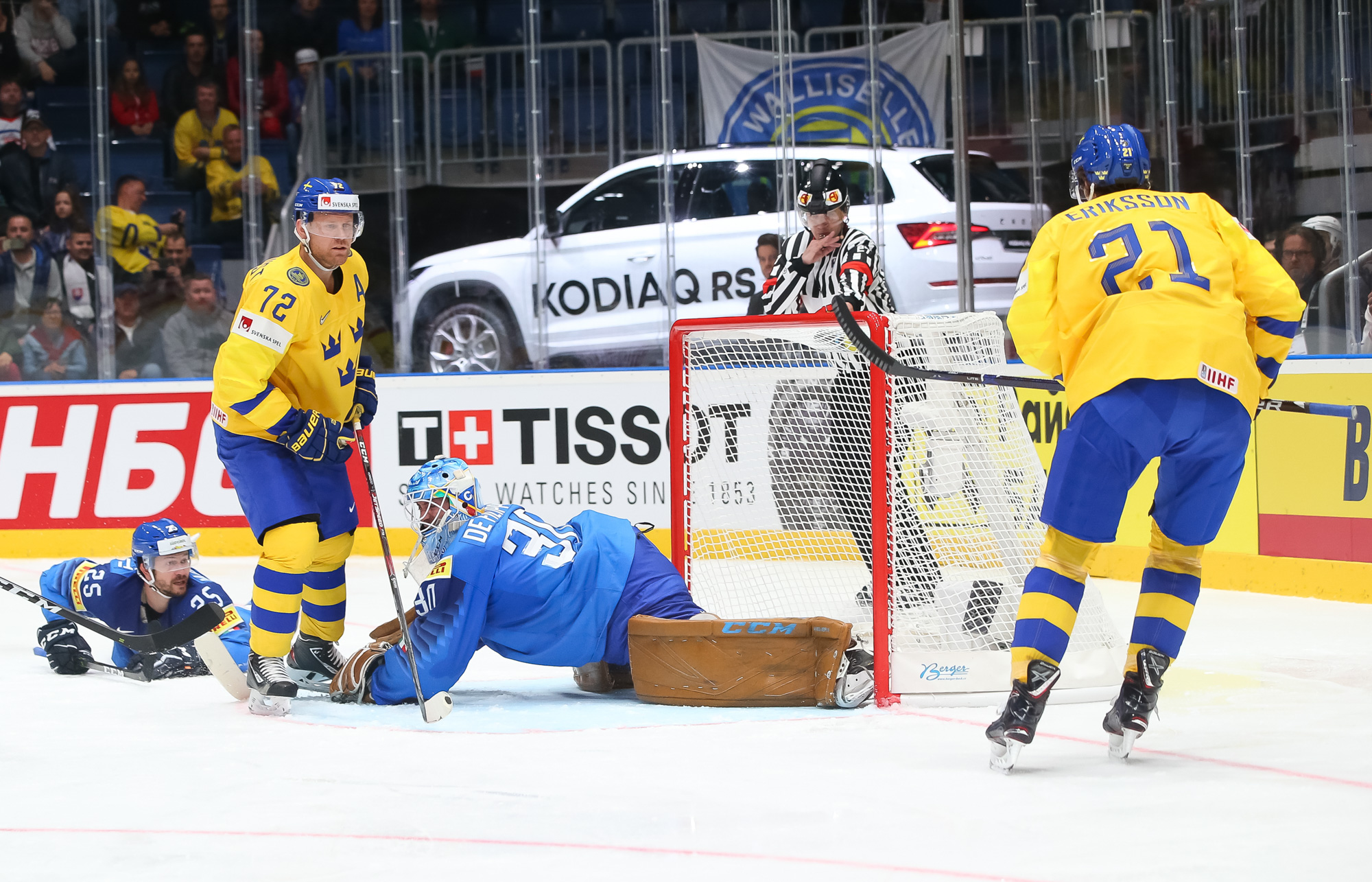 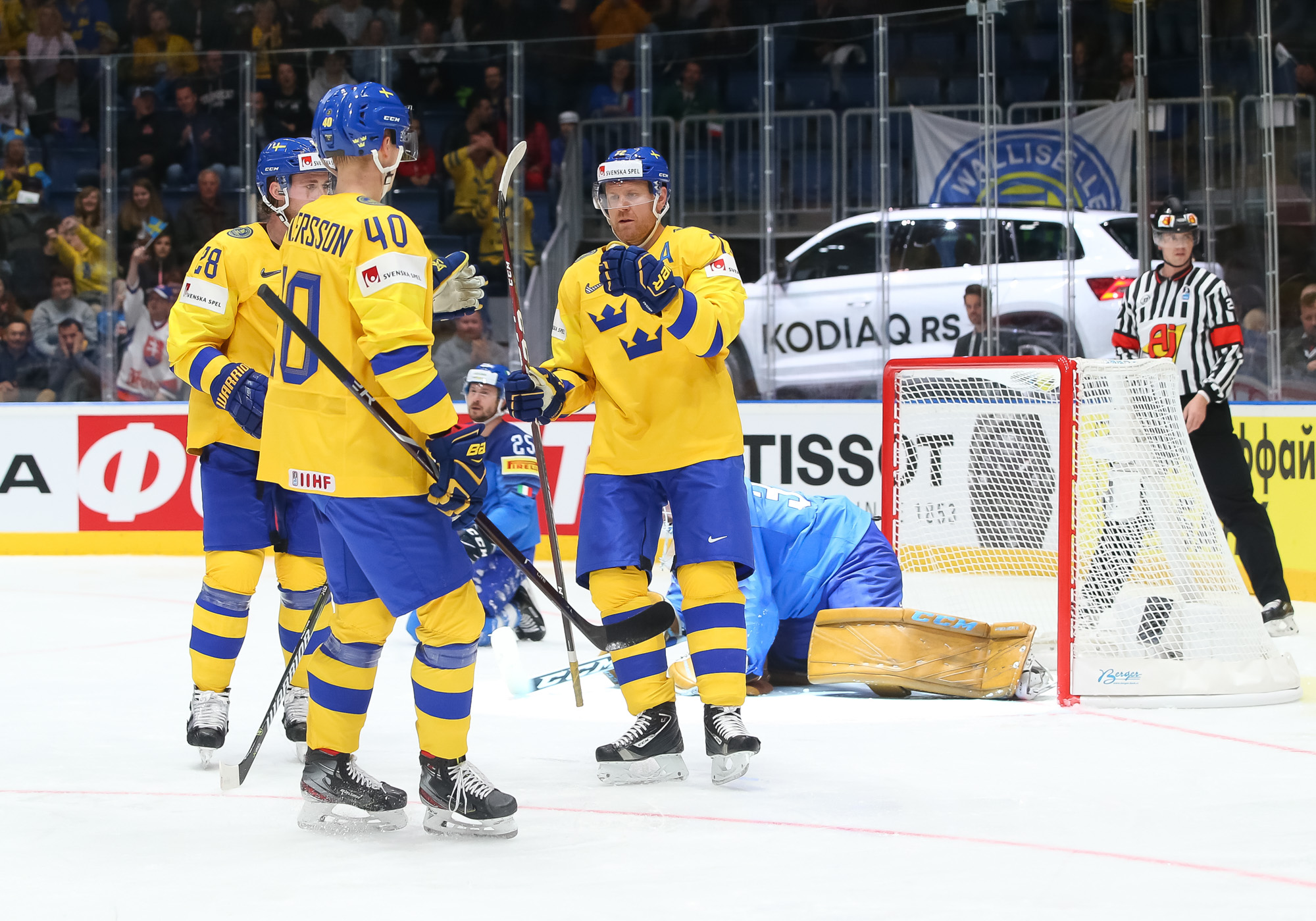 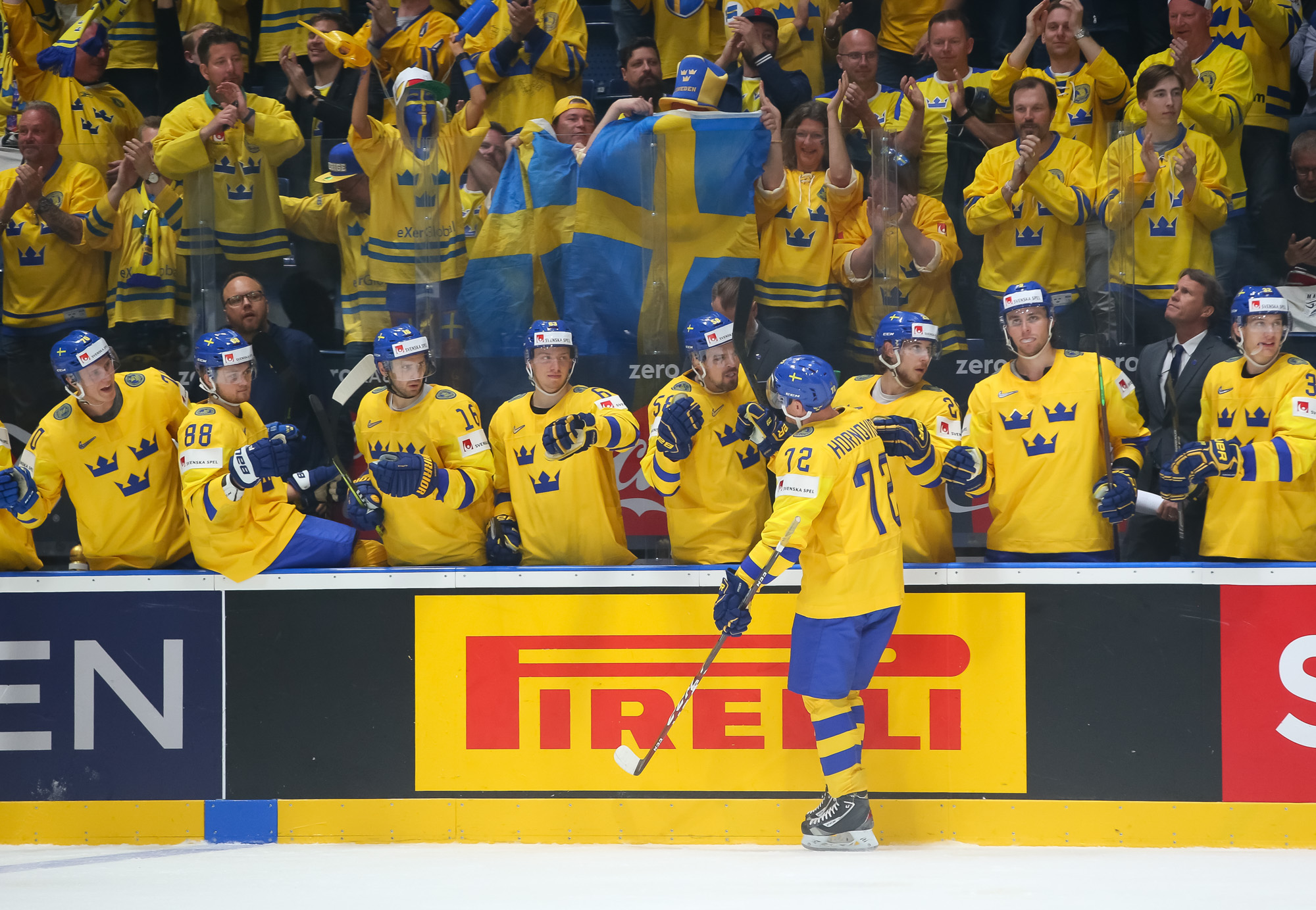 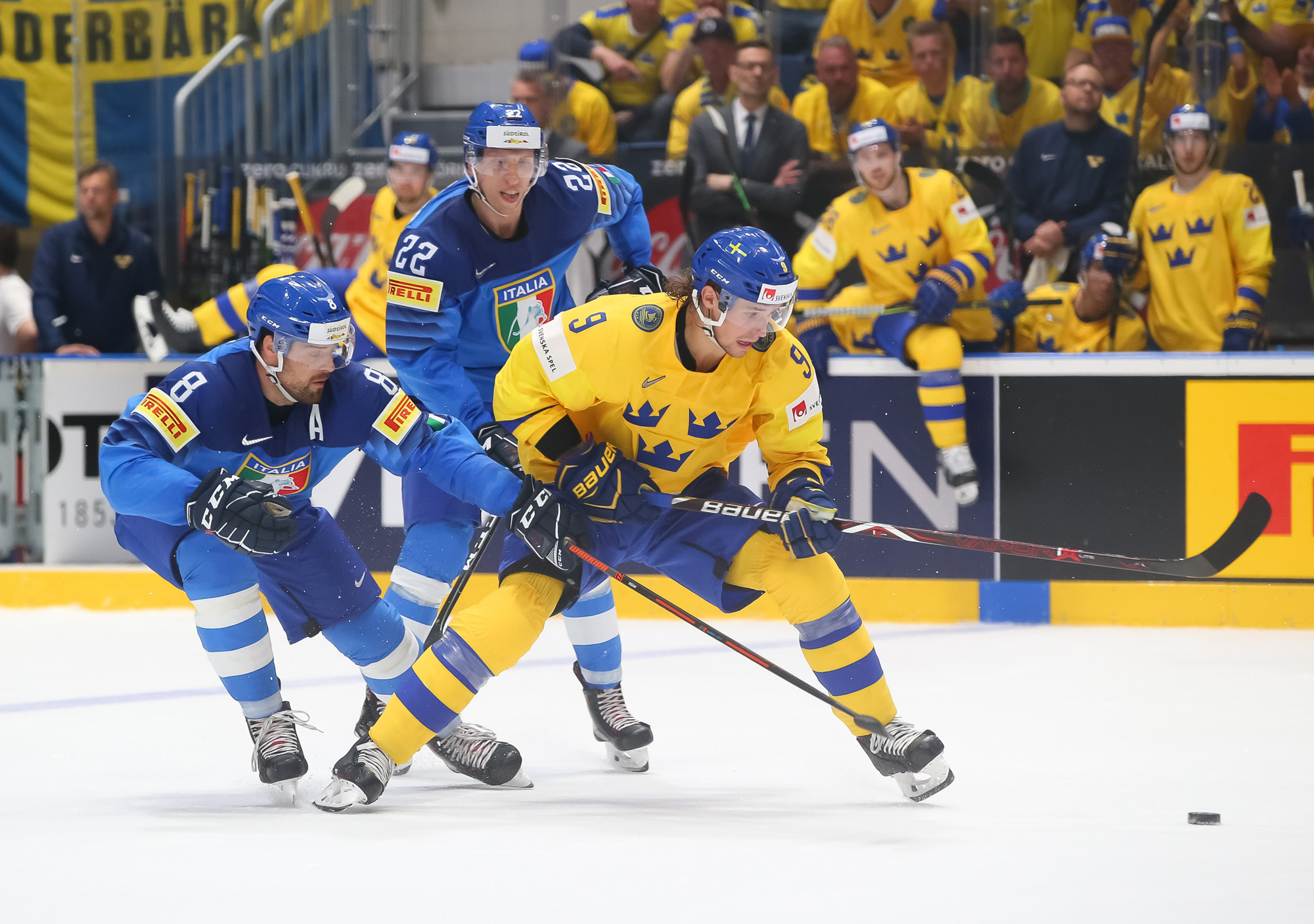 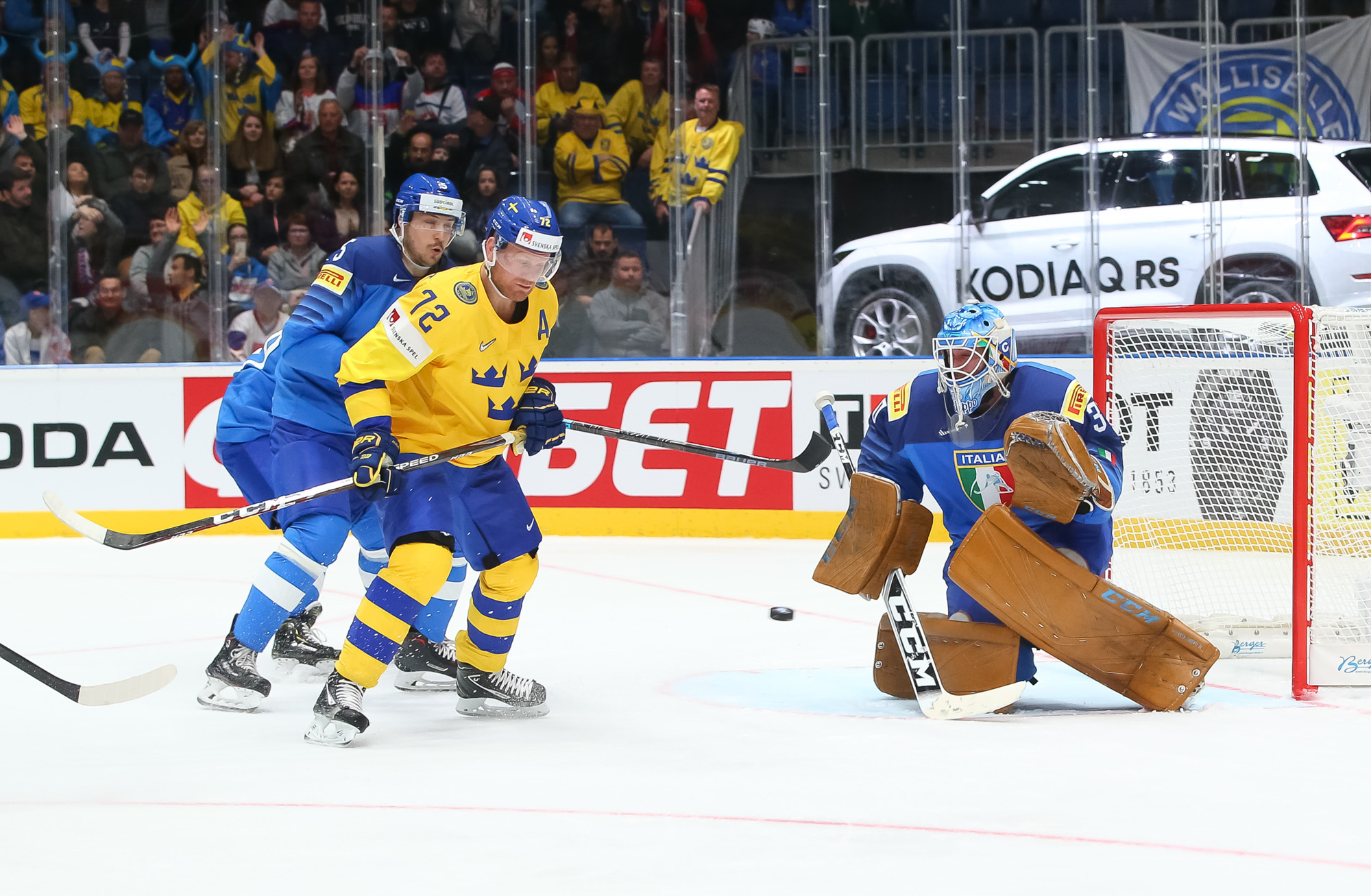 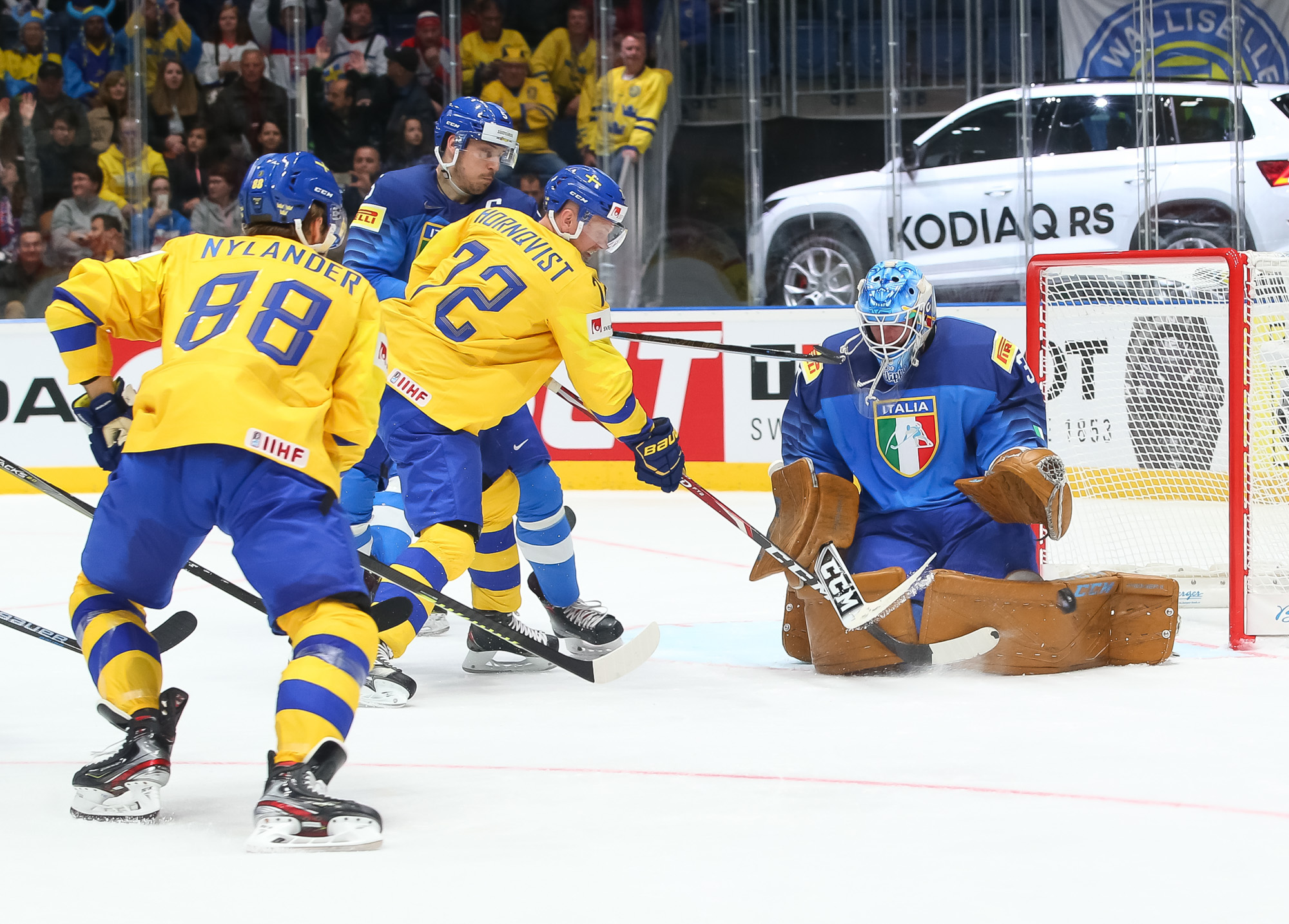 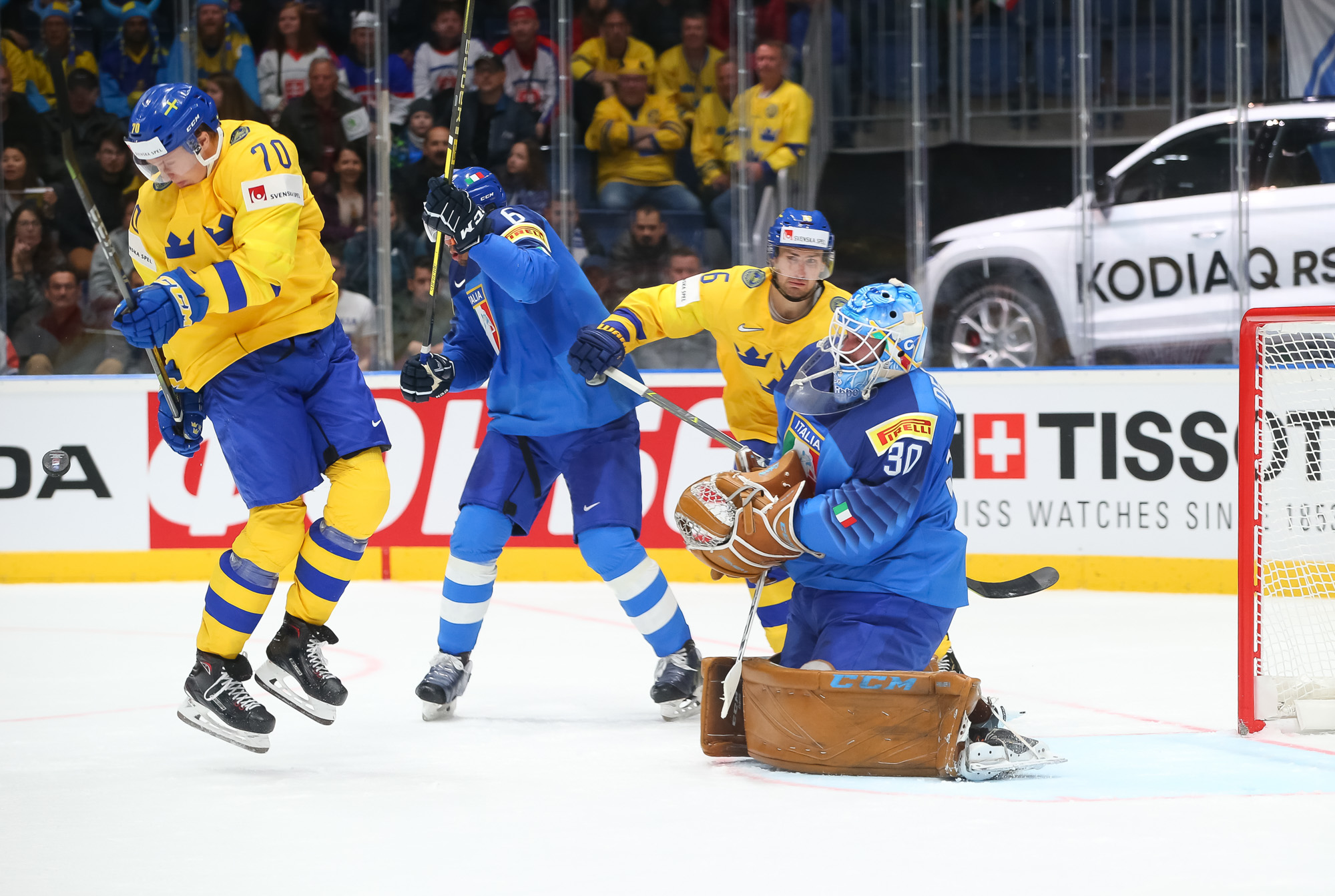 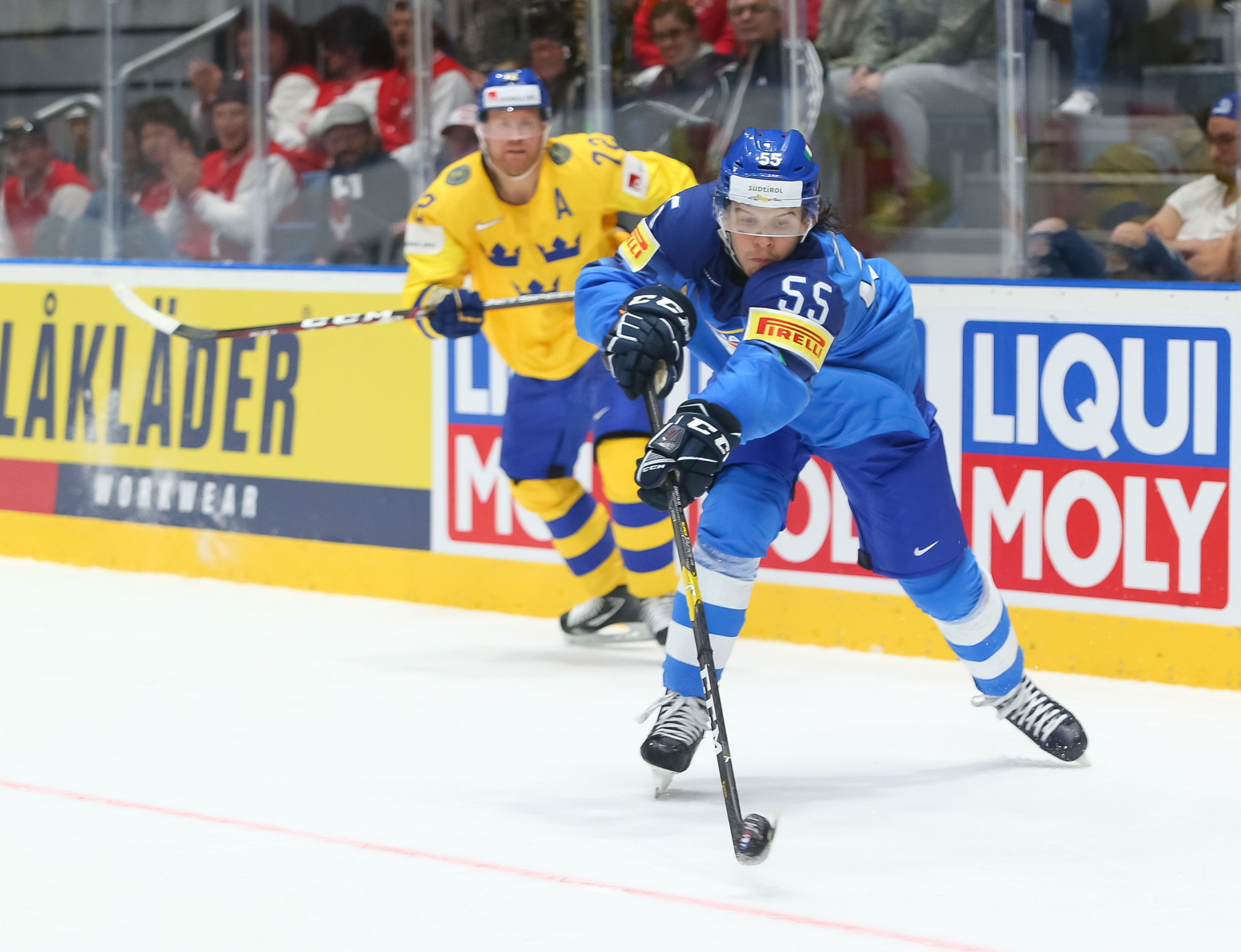 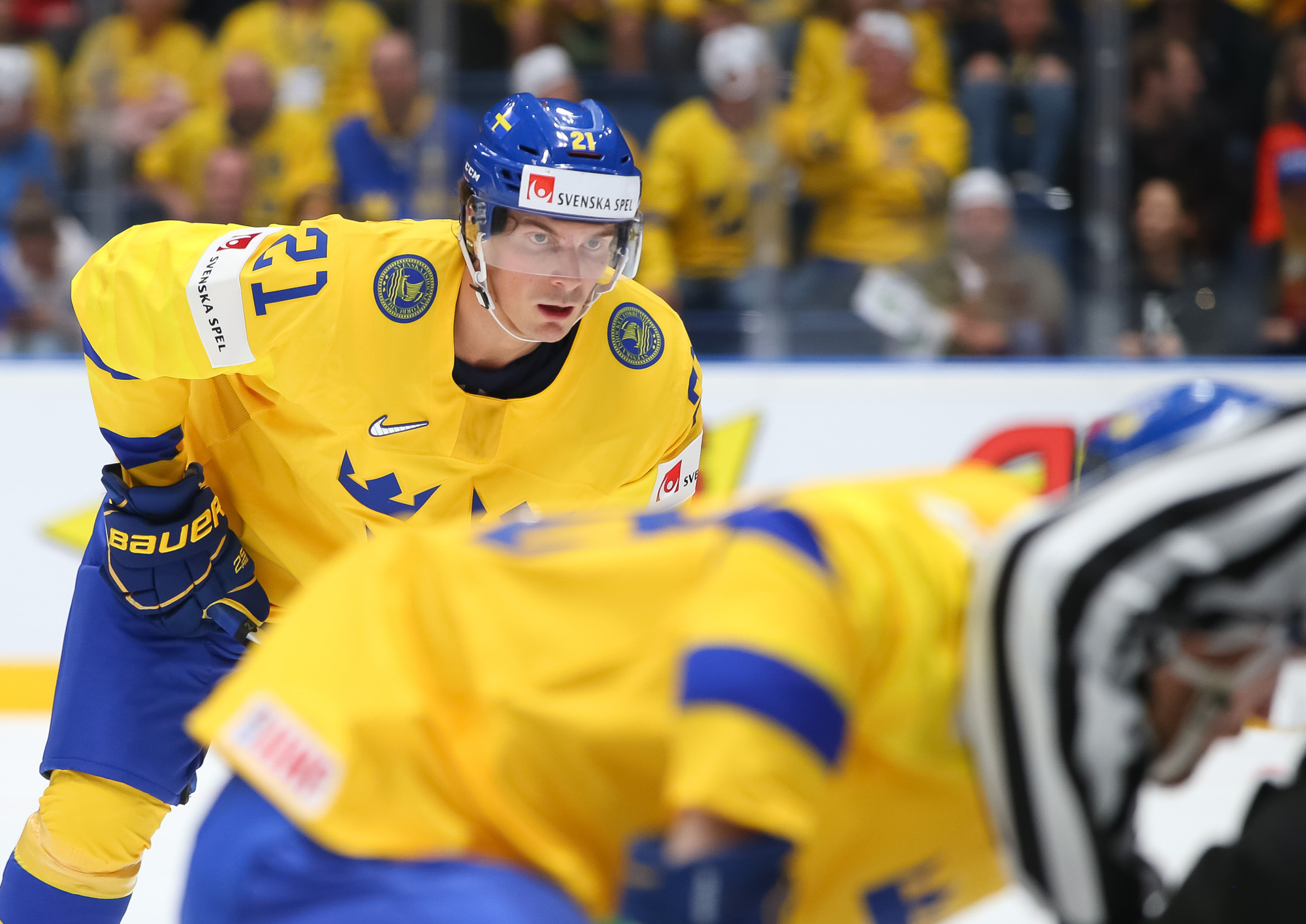 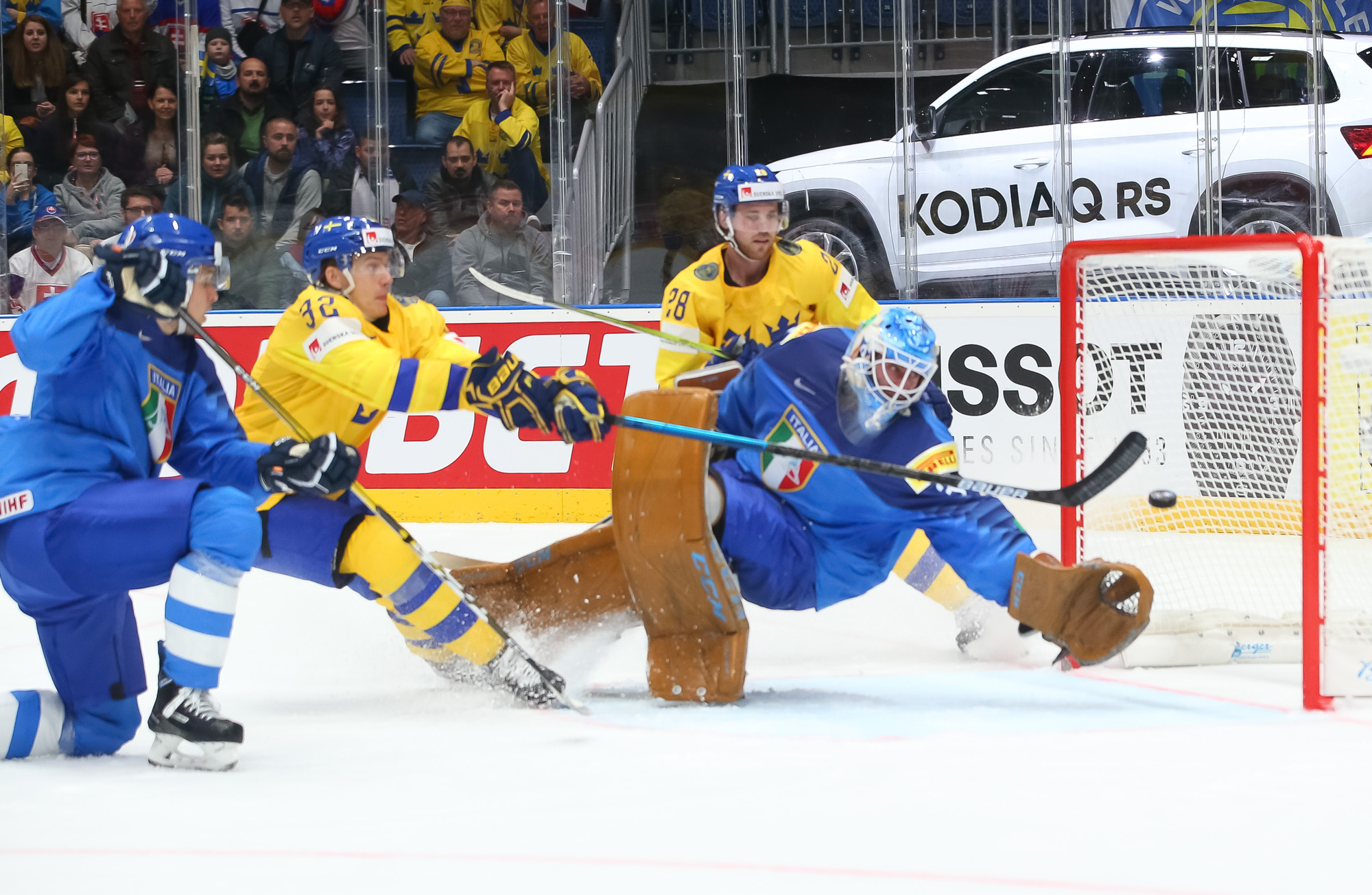 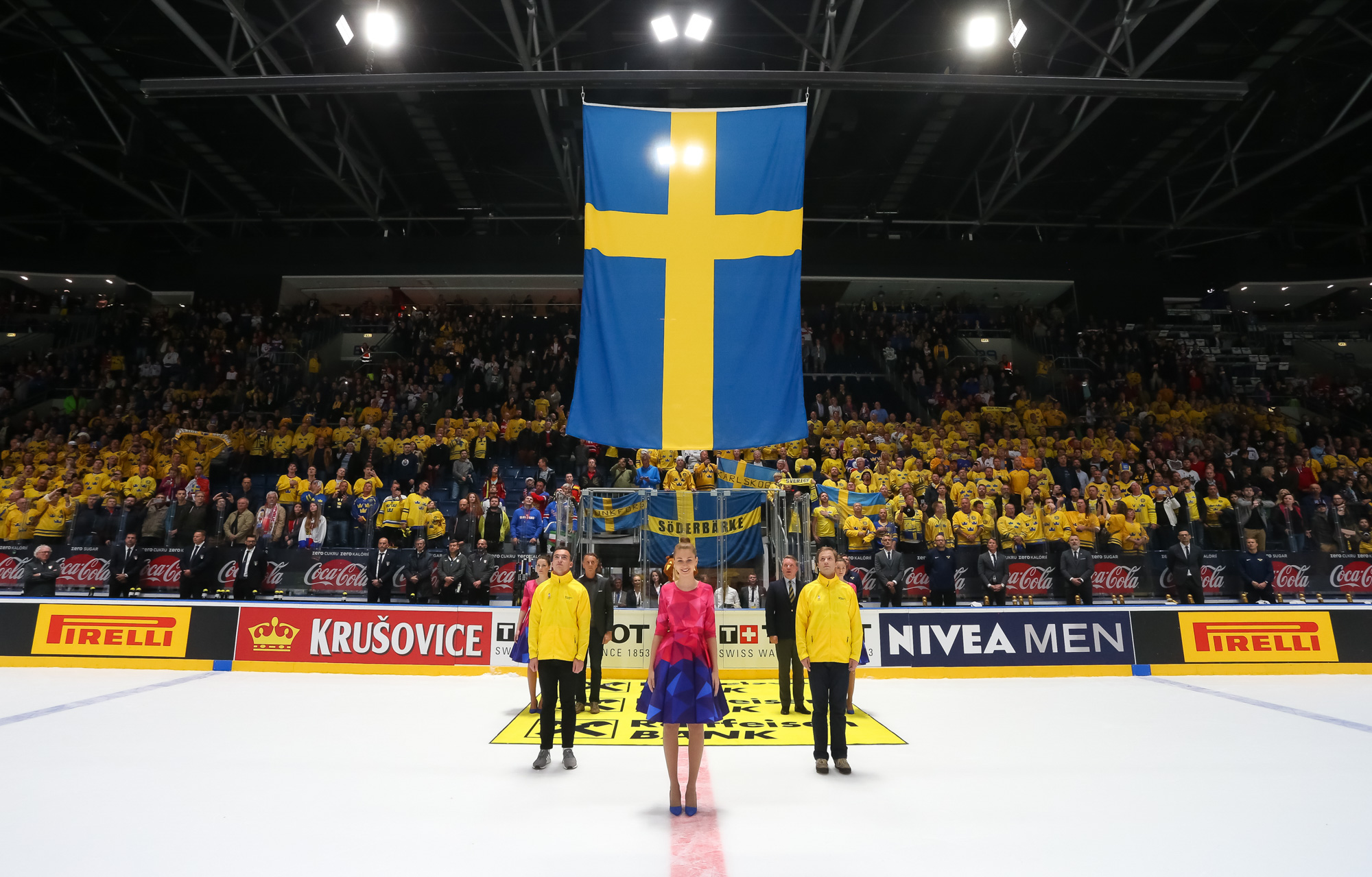 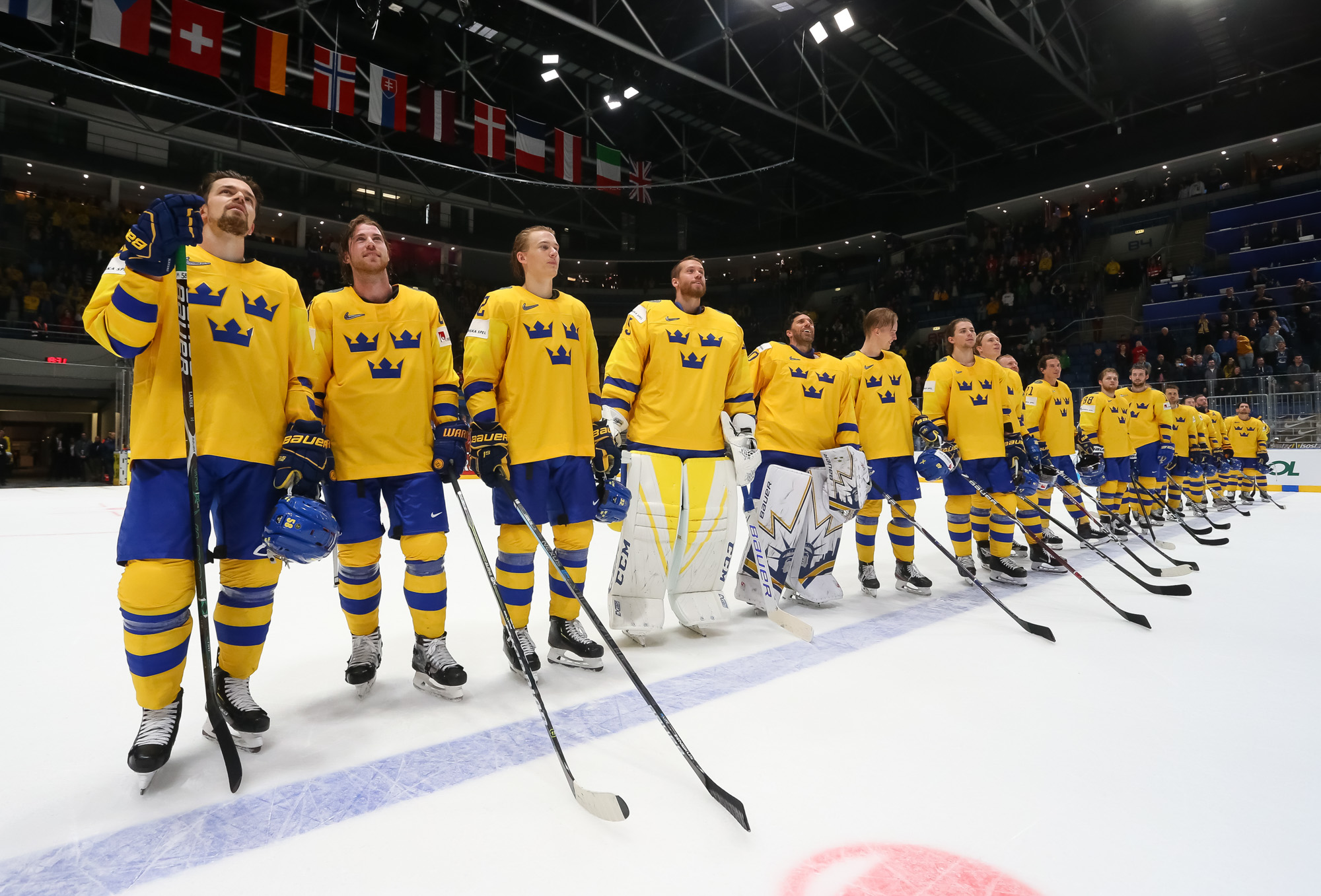 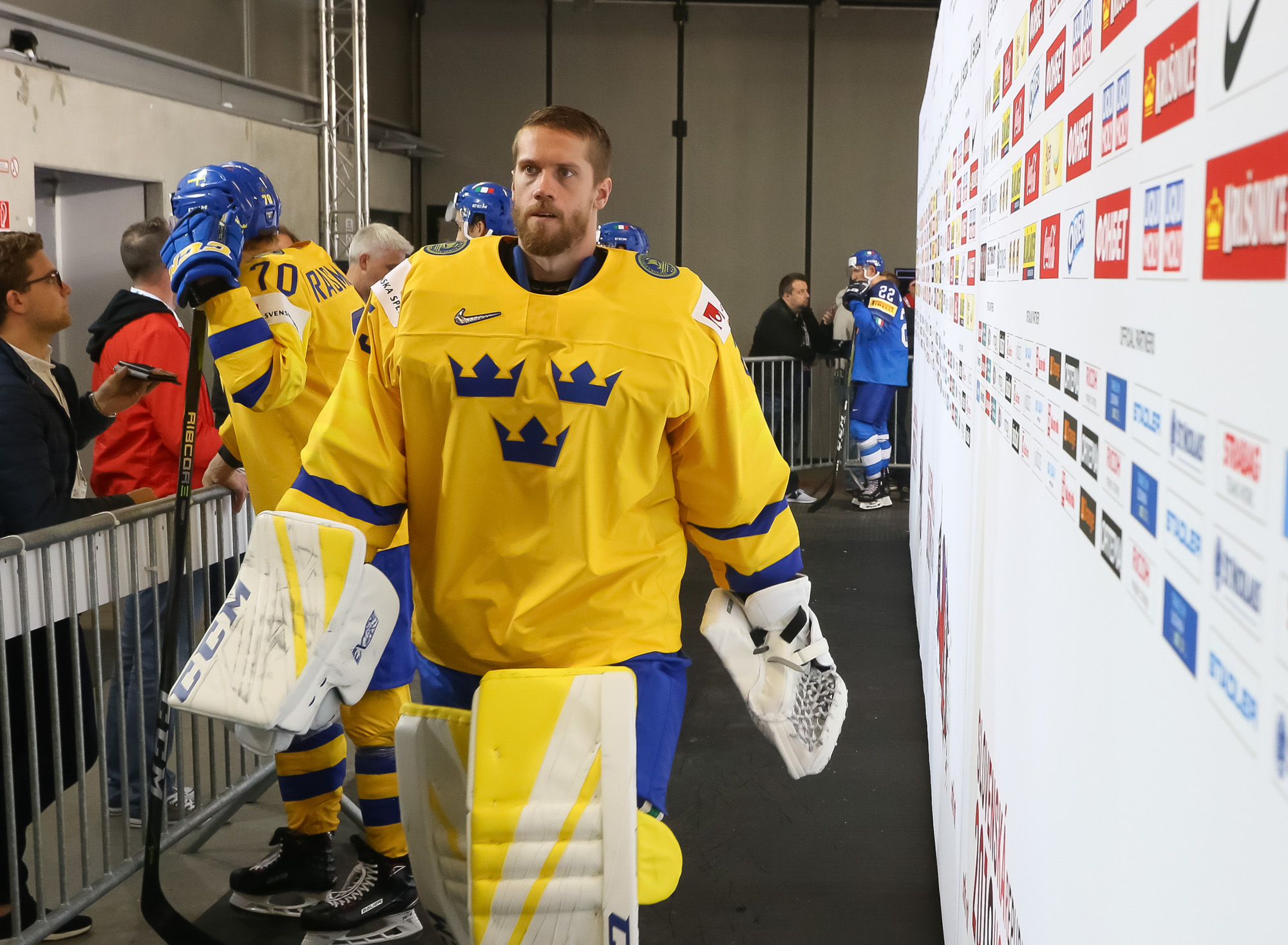 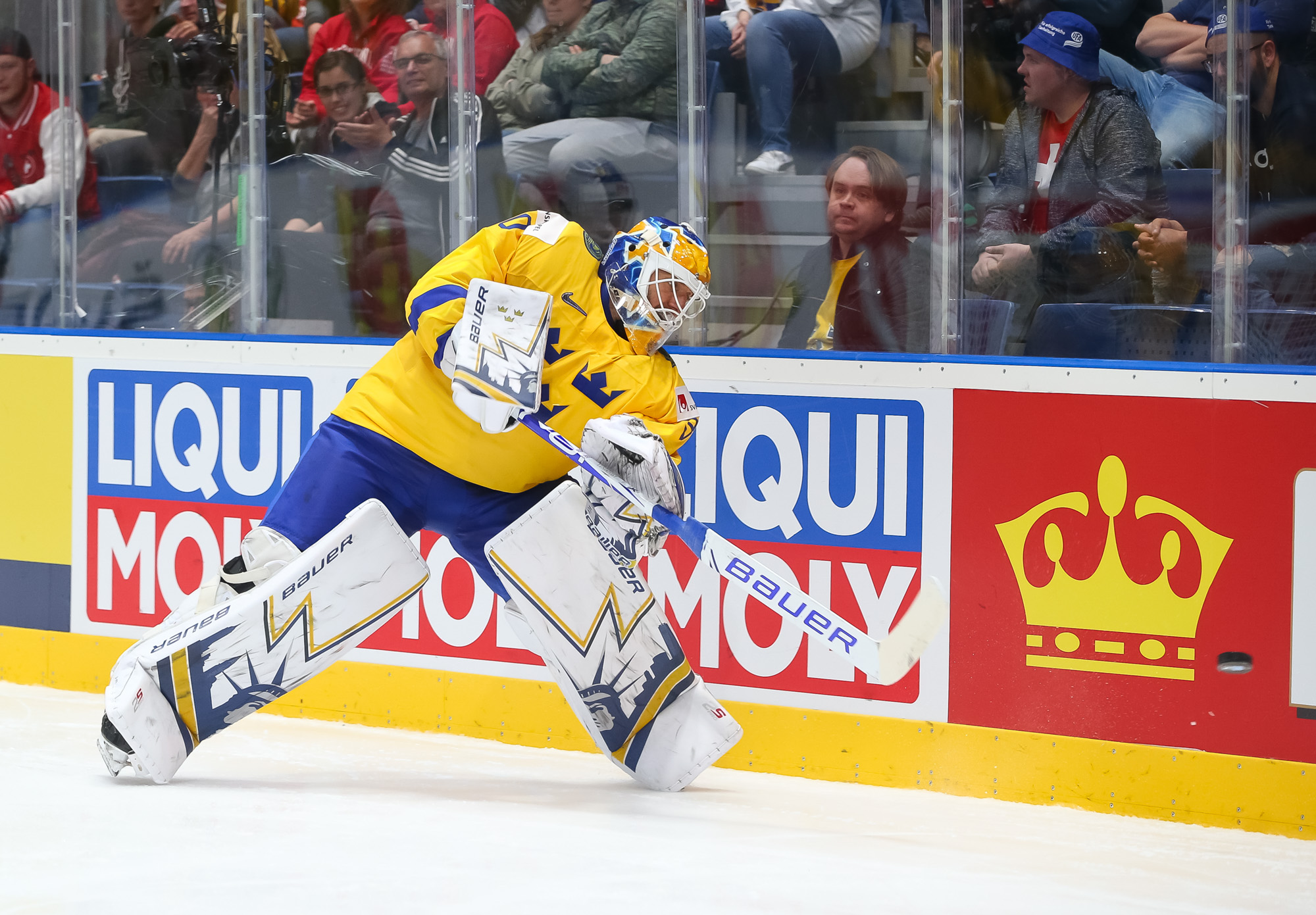 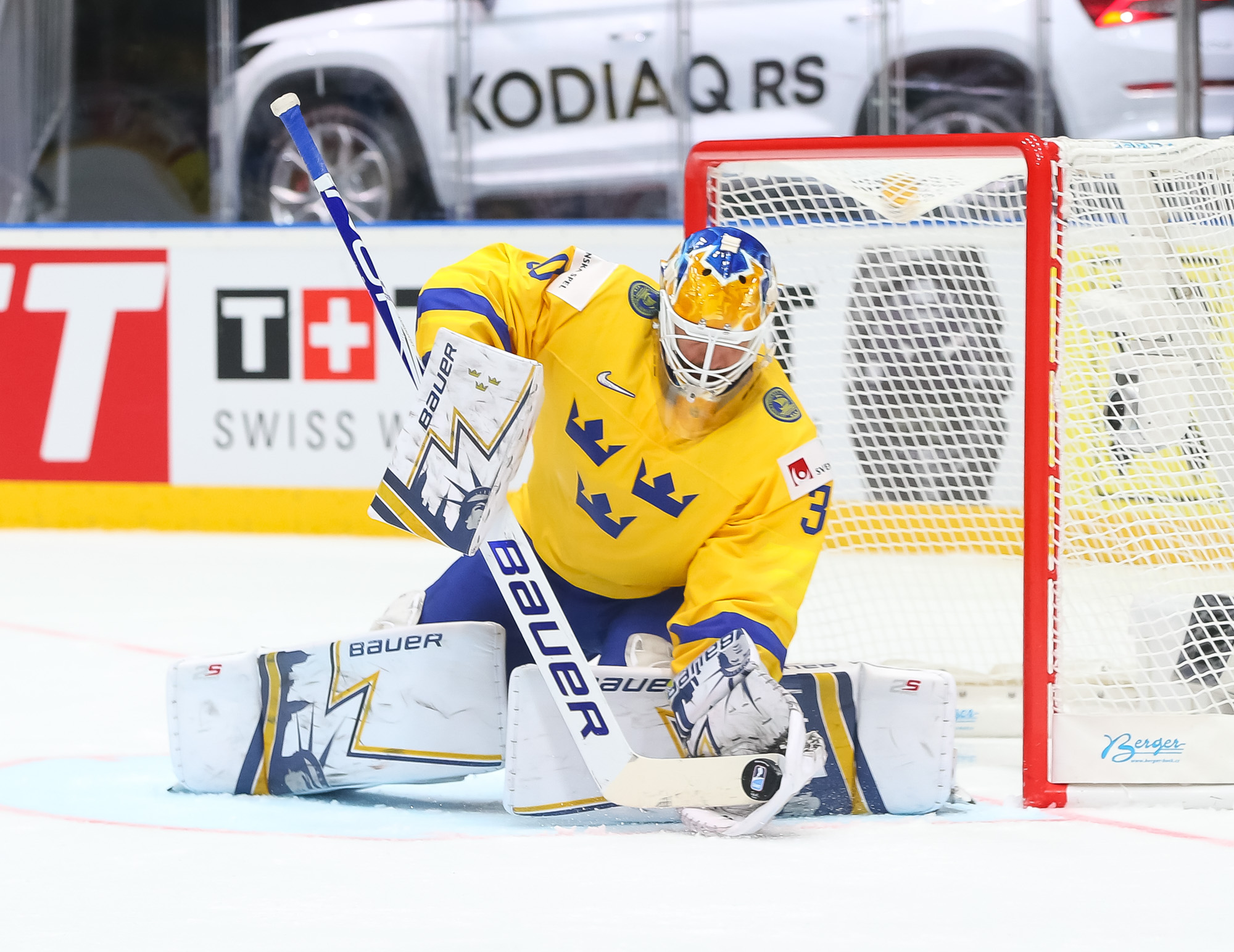 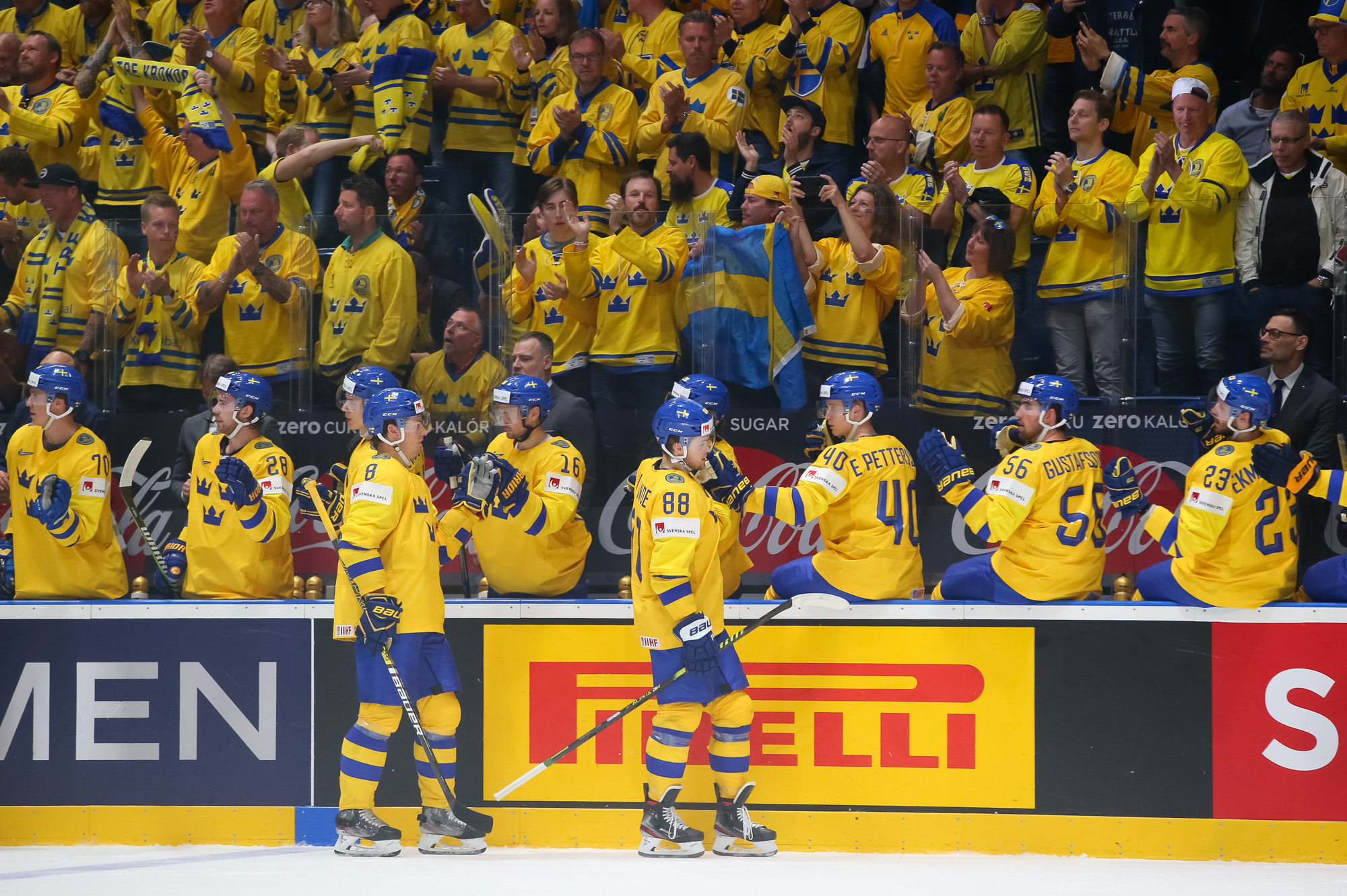 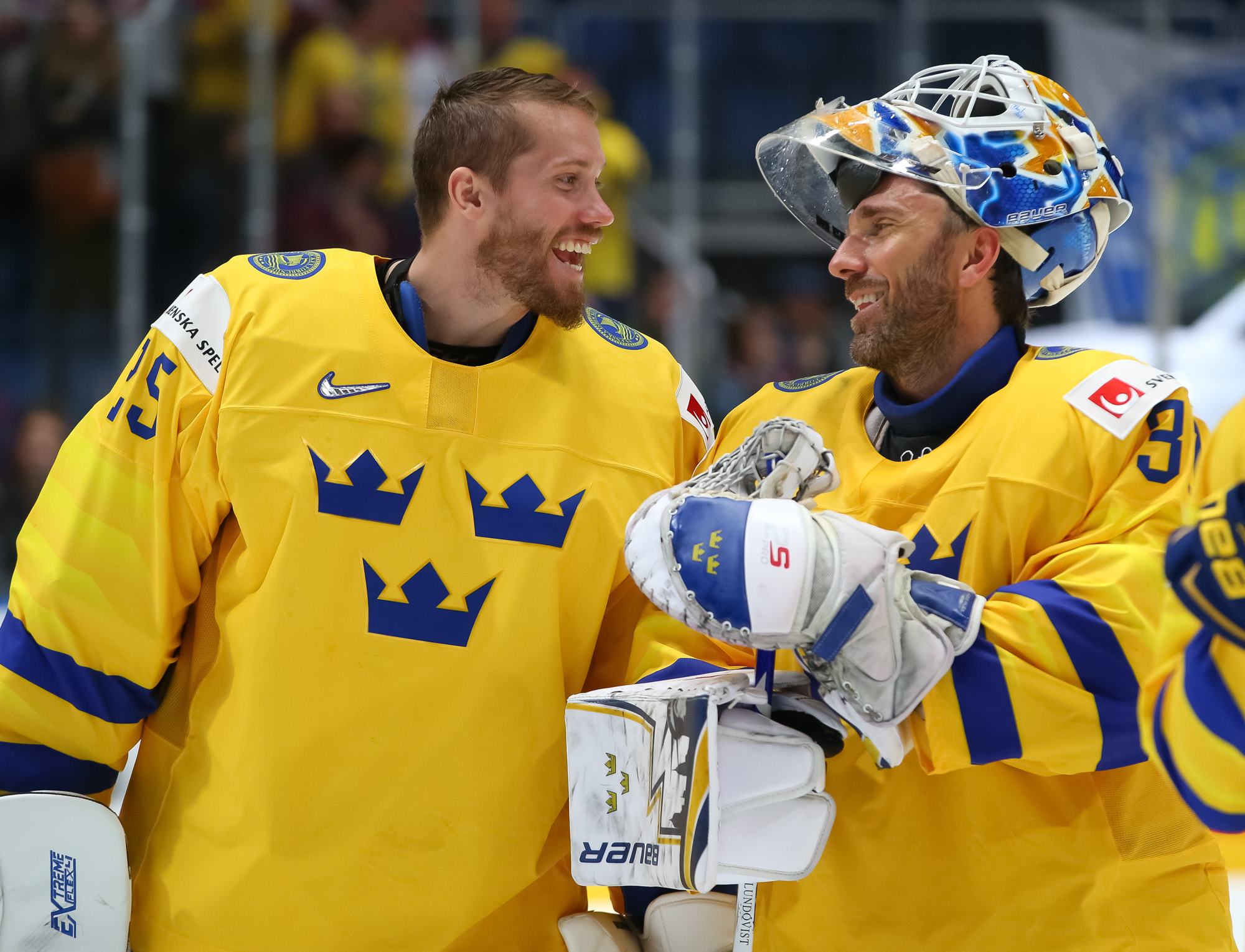 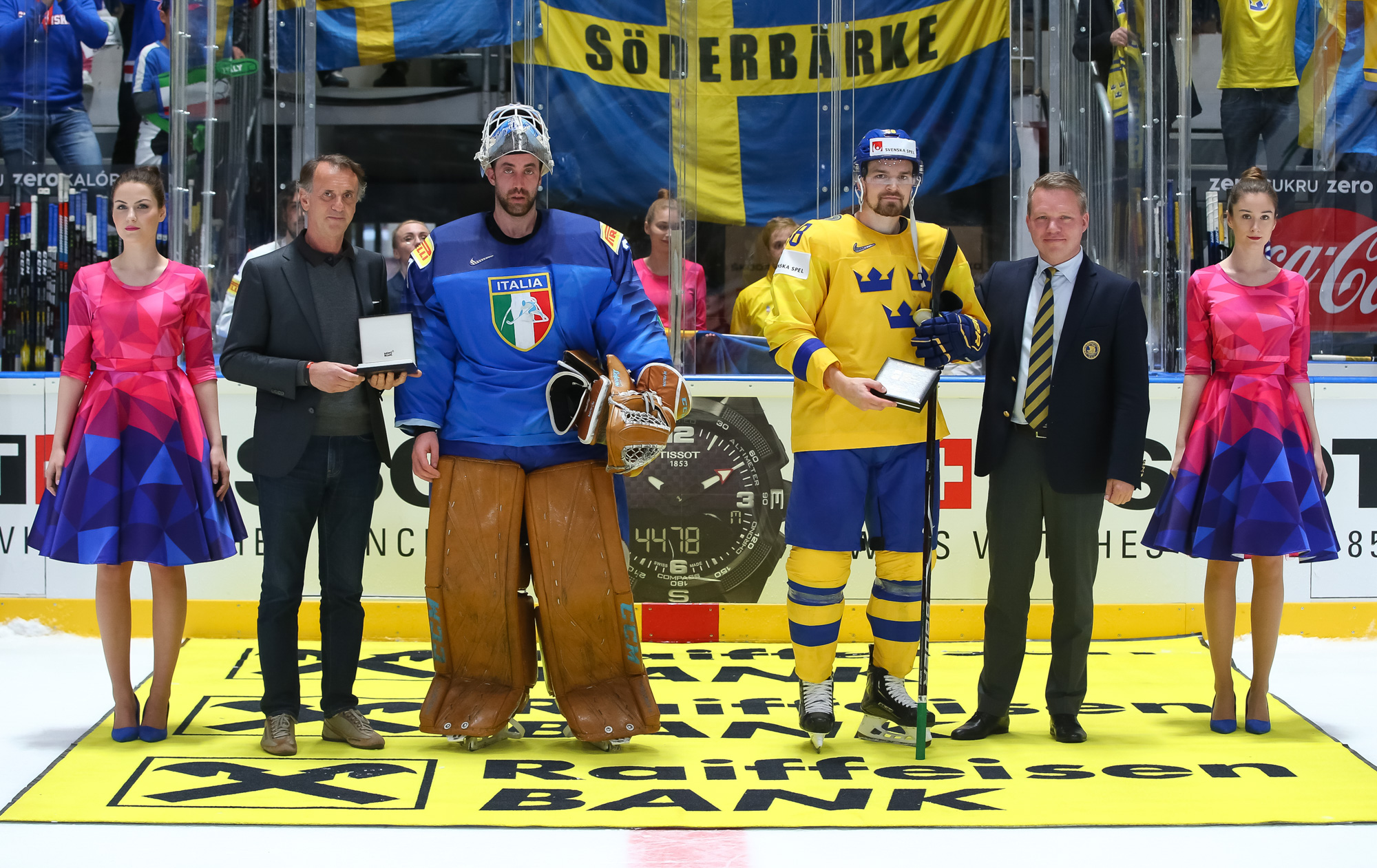 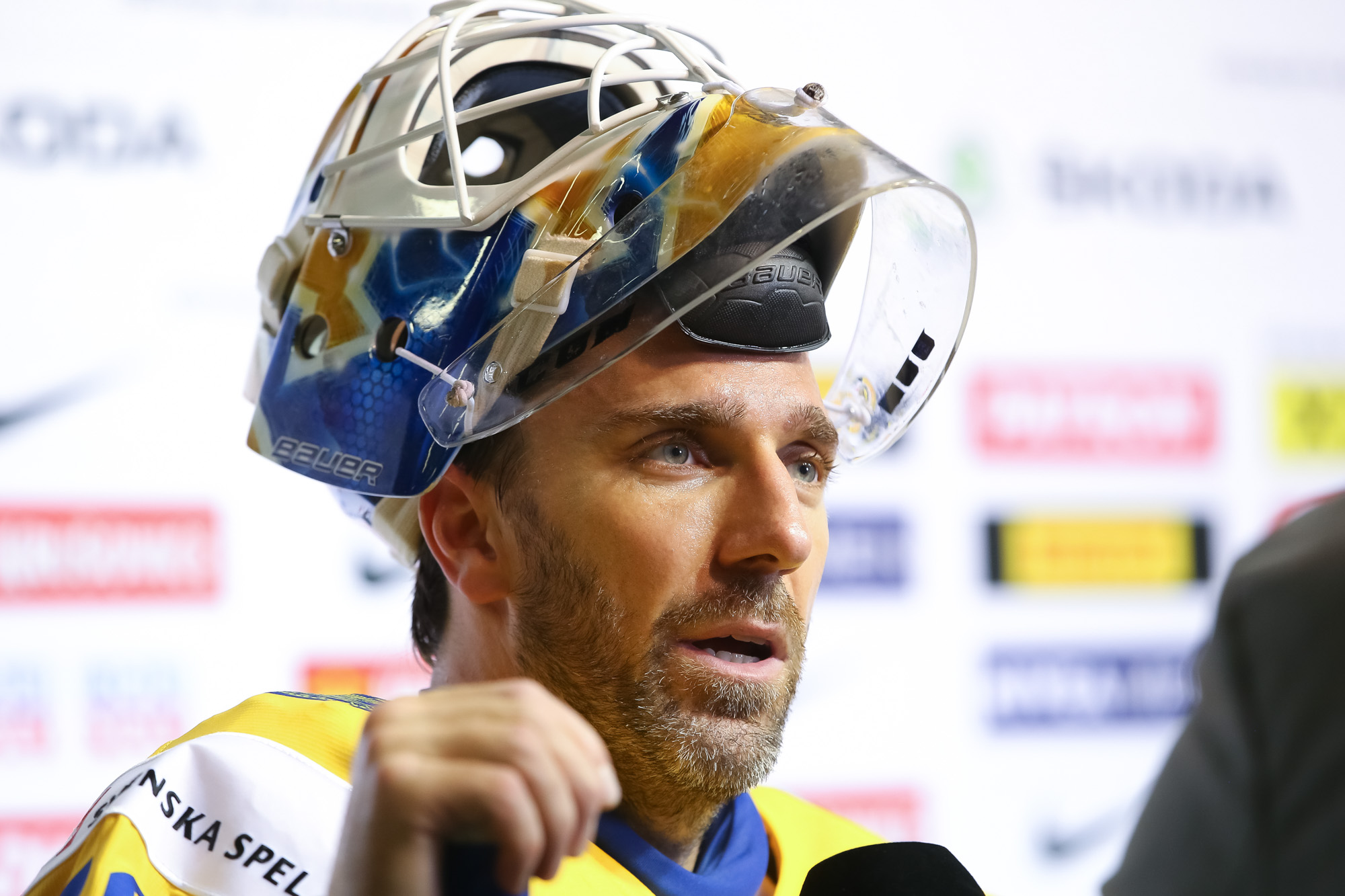