The Germans have now won all three of three games and sit alone in first place in Group A, although it should be noted that the three wins have come against teams they were expected to beat, and their toughest games are yet to come. The latest win was by a score of 4-1 over France, whose quarter-final hopes are now all but over.

“We made too many mistakes,” said French centre Nicolas Ritz. “We discussed these before the game but we made them anyway. You can't do that with a good team like Germany.”

German forward Marc Michaelis said of his team's play so far: “We've taken every game at a time, paid special attention to some details tonight, but our play in the defensive zone play still needs work. It was better tonight, though.”

The two 2017 World Championship co-hosts felt each other out for most of the first period, which was evenly played. The first good scoring chance came about halfway through the period courtesy of Germany's two most dangerous players, as Dominik Kahun fed Leon Draisaitl for the shot but Florian Hardy reacted quickly and made a great pad save. Kahun and Draisaitl were a dangerous combo all night, however.

Germany opened the scoring just past the 17-minute mark. With a quick stick, Patrick Hager caused a turnover at his own blueline, knocking the puck away from an unsuspecting Thomas Thiry. Gerrit Fauser picked up the loose puck, carried it into the French zone and found Moritz Seider streaking to the net. The 18-year-old seemed to be in too close, but somehow managed to get the puck up and over Hardy.

In the last minute of the period, Guillaume Leclerc had a good chance to tie the score while shorthanded, but on his partial breakaway, he overskated the puck and didn’t get a shot away.

Early in the second period, captain Damien Fleury brought France level on the rush when he perfectly one-timed a pass from Tim Bozon just inside the post, beating Philipp Grubauer to the blocker side.

After Mathias Niederberger played all 120 minutes of Germany’s first two games, Grubauer started this game two days after arriving in Kosice following the elimination of his Colorado Avalanche from the Stanley Cup playoffs. However, after stopping 12 of 13 shots, he mysteriously left the game halfway through the second period with what was later revealed to be a mild muscle strain in his leg and was replaced by Niklas Treutle, who was also appearing in this tournament for the first time. Treutle went on to stop all 12 shots he faced, and was especially tested in the third period.

“I heard him talking to the physiotherapist during the game, so I knew he had a little issue,” Treutle said about Grubauer. “Things like that can advance quickly, so I got prepared and focused. I tried just to focus on the puck, shot by shot, but the team played great for me. They didn't give up much and scored a couple of goals, so it worked out well for me.

“As a goalie, you know how tough it is to come in cold, so you always try to be prepared. Today it worked out.”

At the other end of the ice, Hardy stopped 27 of 30 German shots.

In the last half of the second period, the Germans were dominant. Hardy stopped a flurry of shots, including robbing Draisaitl on a rebound, but as was the case in the team’s opening game against Denmark, he couldn’t weather the storm forever.

On a delayed French penalty, Matthias Plachta one-timed a pass from Markus Eisenschmid from the point that went off Hardy’s glove and in with 6:05 to go in the middle frame.

Then four minutes later, Kahun carried the puck all the way from the blueline to down behind the French goal before finding Draisiatl in front, who made no mistake.

“We spent too much time in our own zone,” said Ritz. “We had turnovers and spent too much energy in our end and didn't have enough time in the offensive zone. It's tough to win like that, tough to play from behind all the time.”

After being outplayed for most of the second period, the French came out hard in the third period trying to cut into the deficit, and were helped by a power play. However, they were unable to beat Treutle.

Inside eight minutes to play, a pair of French penalties 22 seconds apart gave the Germans a golden chance to put the game away, but with Draisaitl directing traffic, they were unable to beat Hardy, despite some glorious chances.

With another power play late, the French pulled Hardy with 3:20 to play, but were unable to convert – overall, they went 0-for-5 on the power play while Germany was 0-for-4.

With just under a minute to play, defenceman Korbinian Holzer felt secure enough with a two-goal lead to shoot the puck from deep in his own zone and found the empty French net to make it a 4-1 final.

However, despite their perfect start, the Germans cannot get too complacent as in less than 24 hours they play what might turn out to be the biggest game in the group against host Slovakia. The winner of that game will gain a leg up on a possible quarter-final berth.

“We're in a pretty good spot,” said Michaelis. “We're going to enjoy this win tonight, but the most important game in the group stage is tomorrow night. We'll get a good rest and be ready.”

As for the French, they will likely have to win all of their remaining games to advance, and must win once against either Canada, Slovakia or Finland to avoid a win-or-be-relegated game against Great Britain on Monday. If there's any good news, it's that the French have a history of upsetting top teams.

“The result doesn't change anything,” said Ritz. “We have to play game after game. We've been beating the top teams the last few years. We have wins against everybody, so we know we can do it if we play as a team for 60 minutes. We look to Canada in two days and chasing those points.” 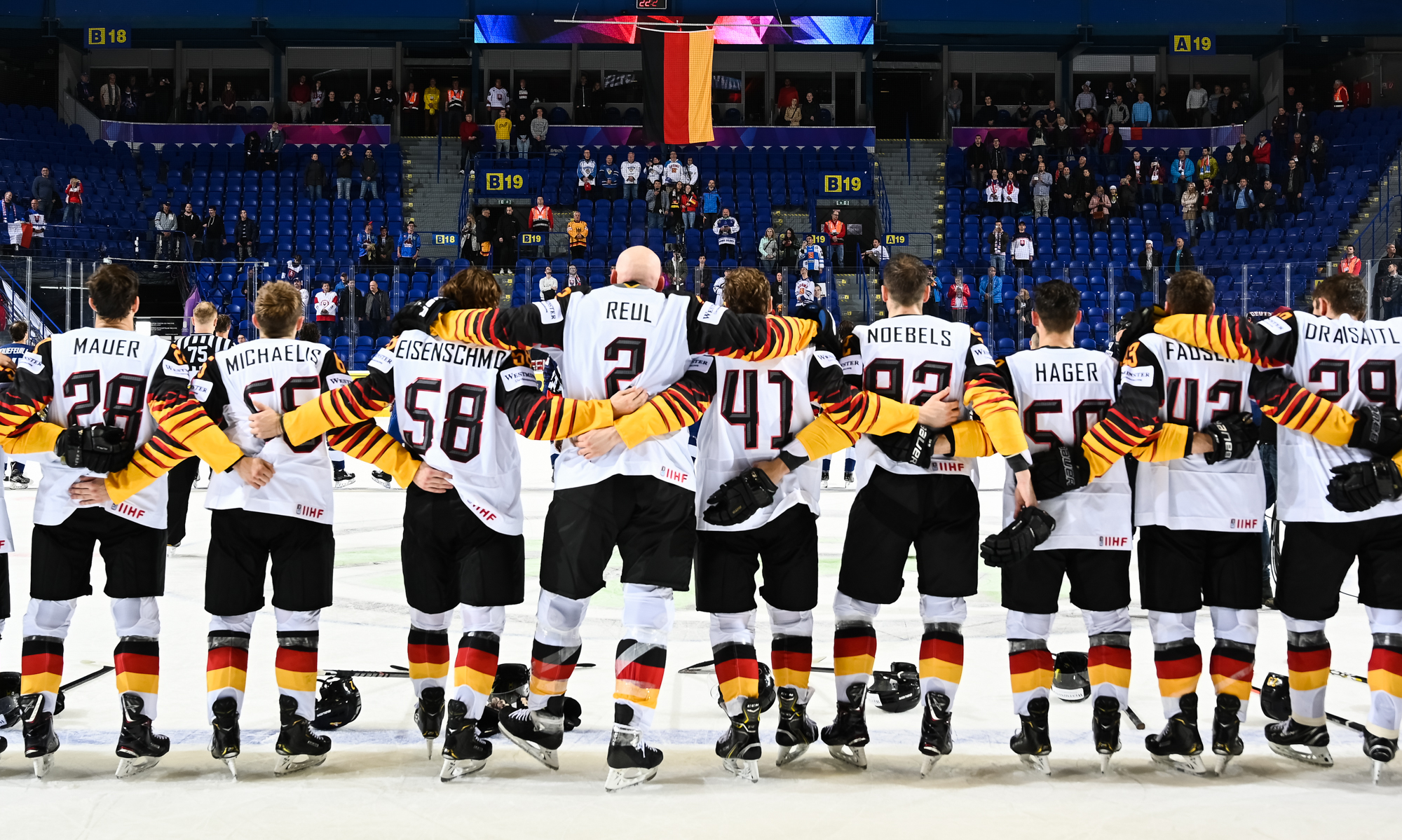 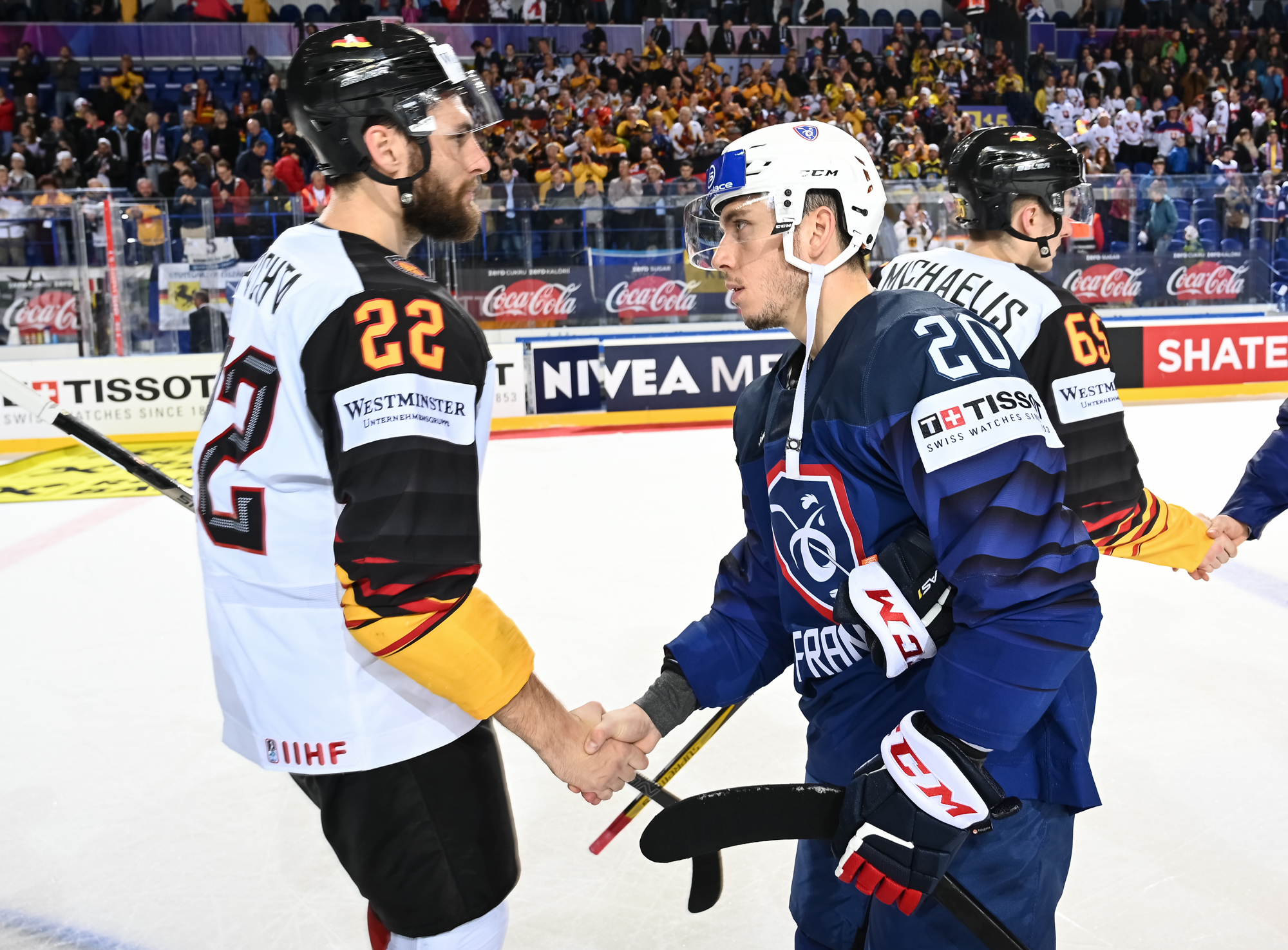 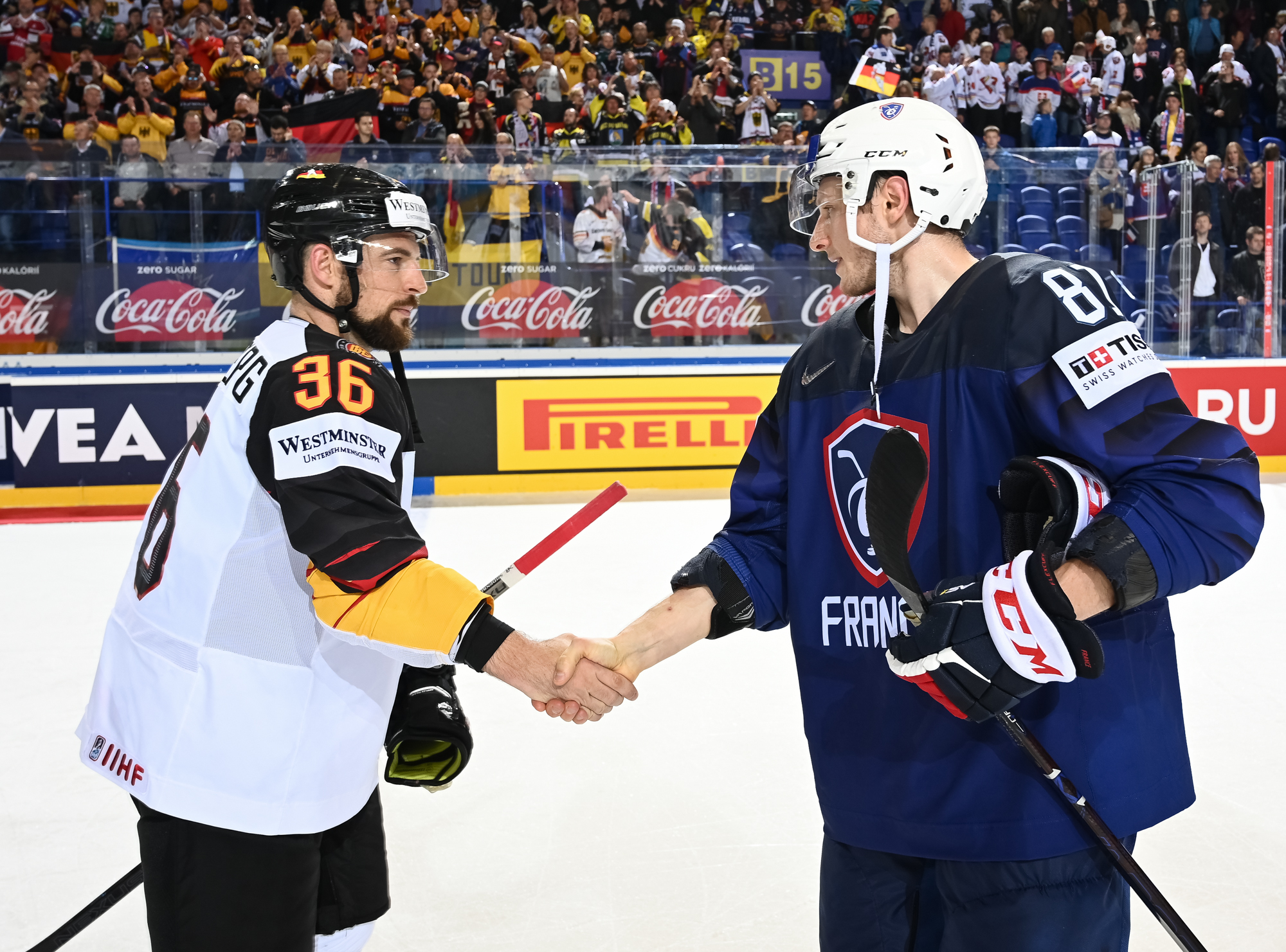 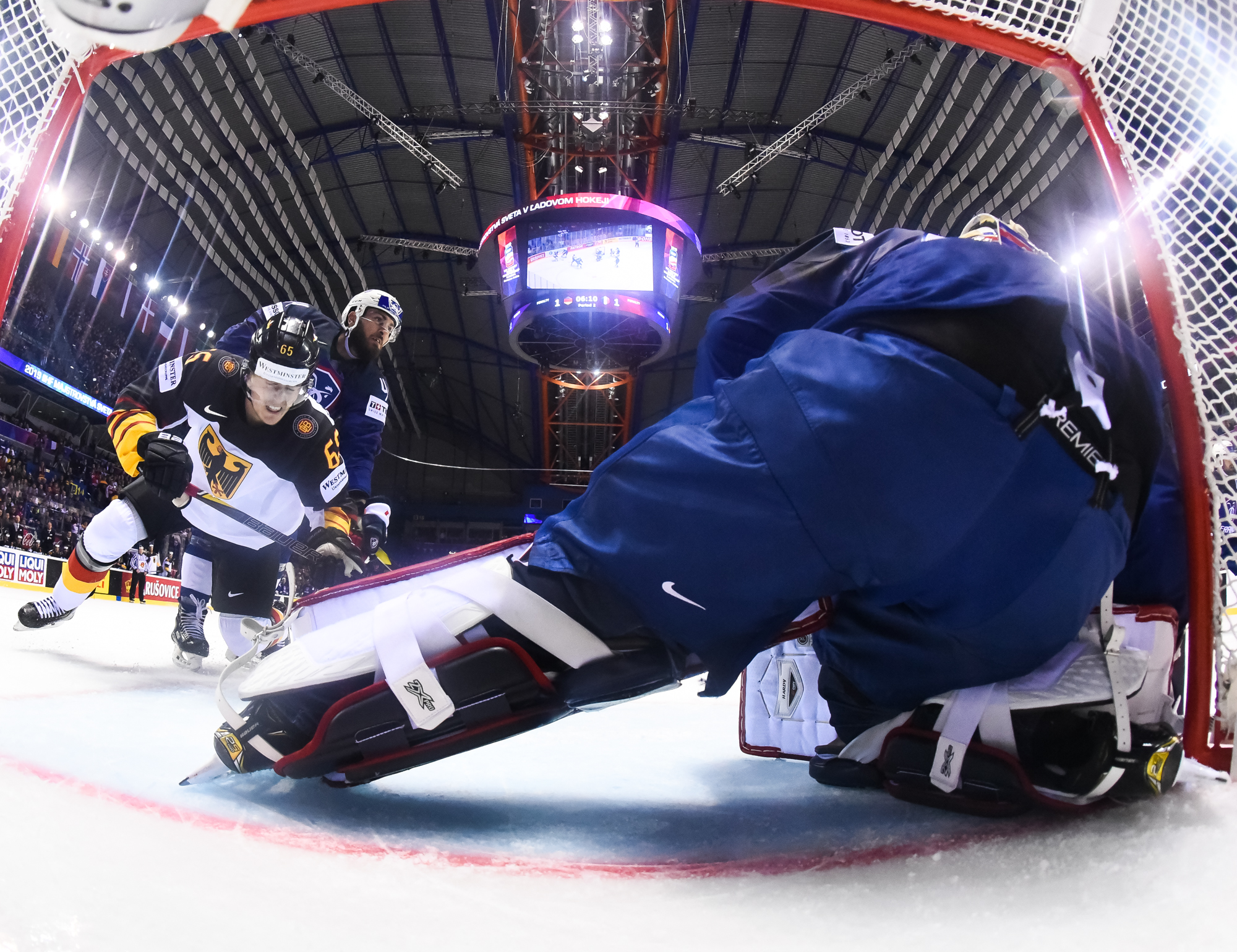 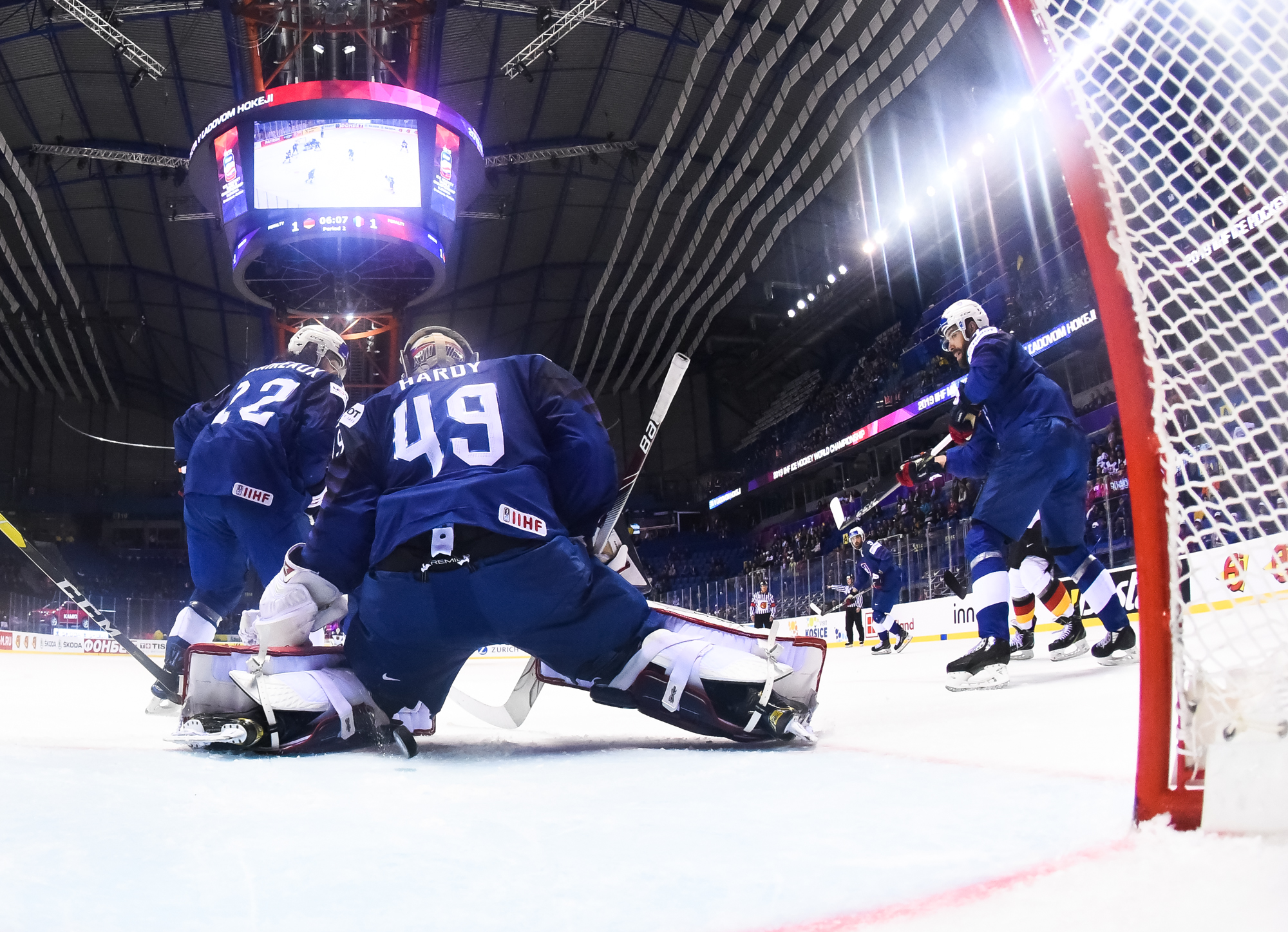 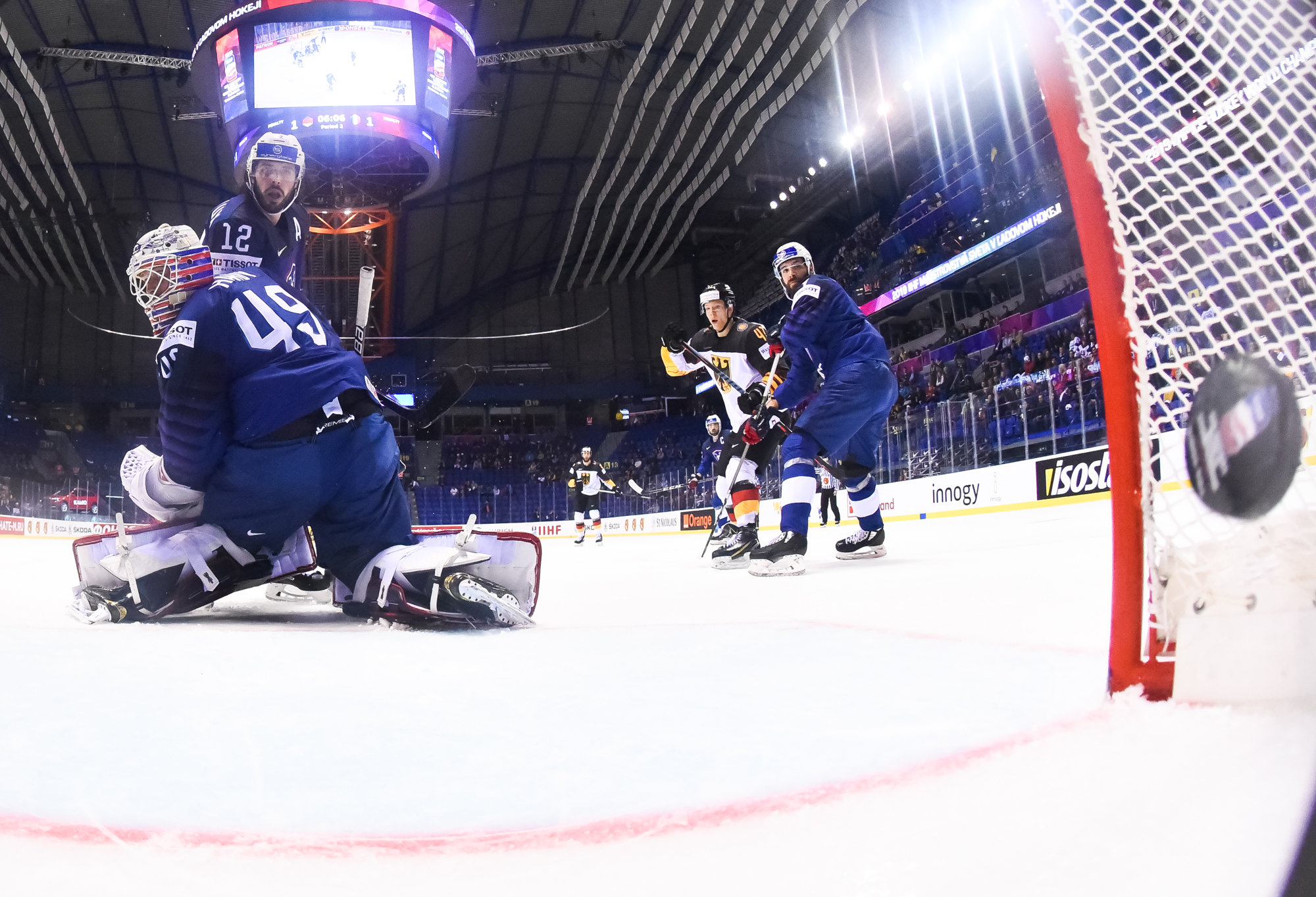 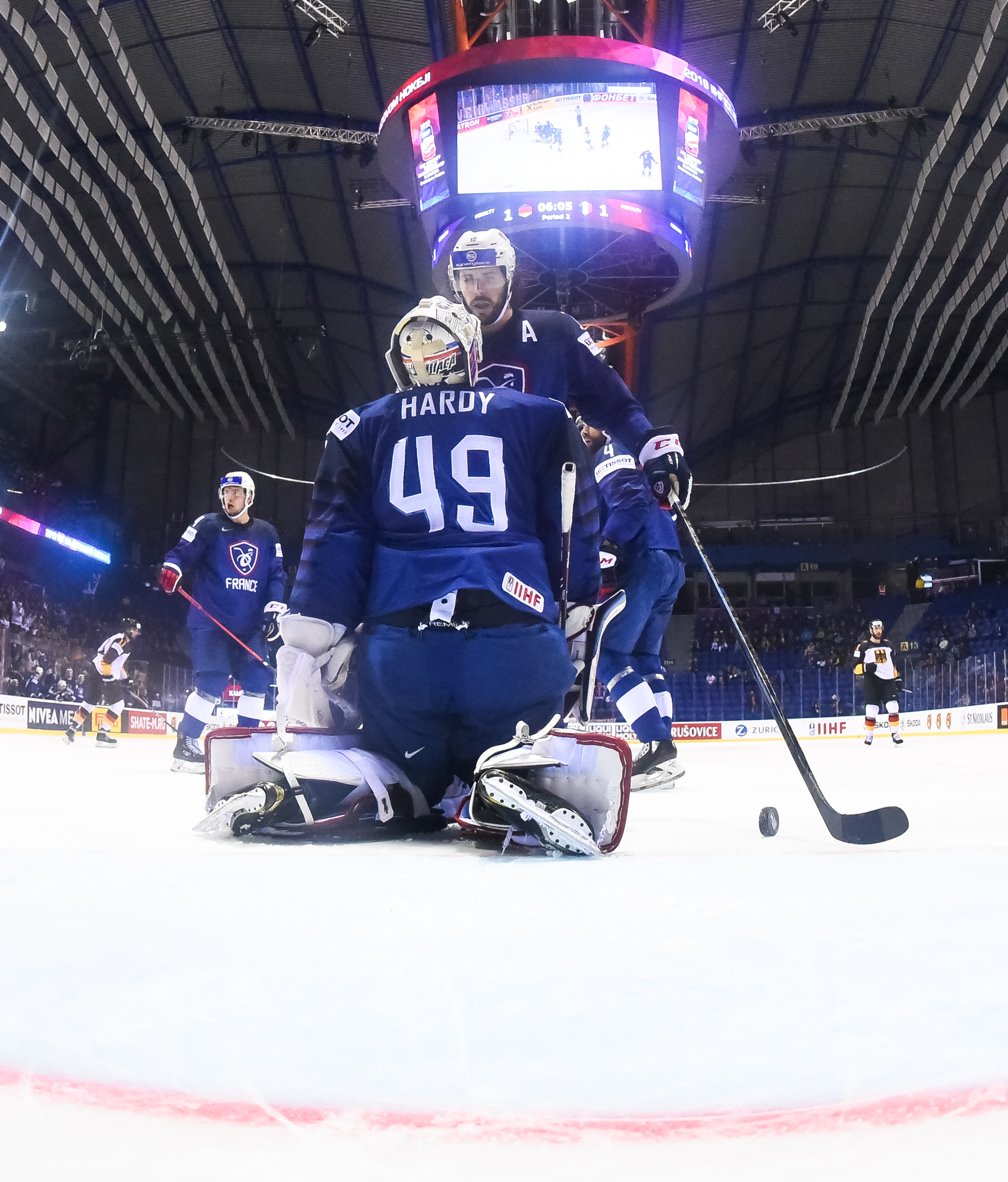 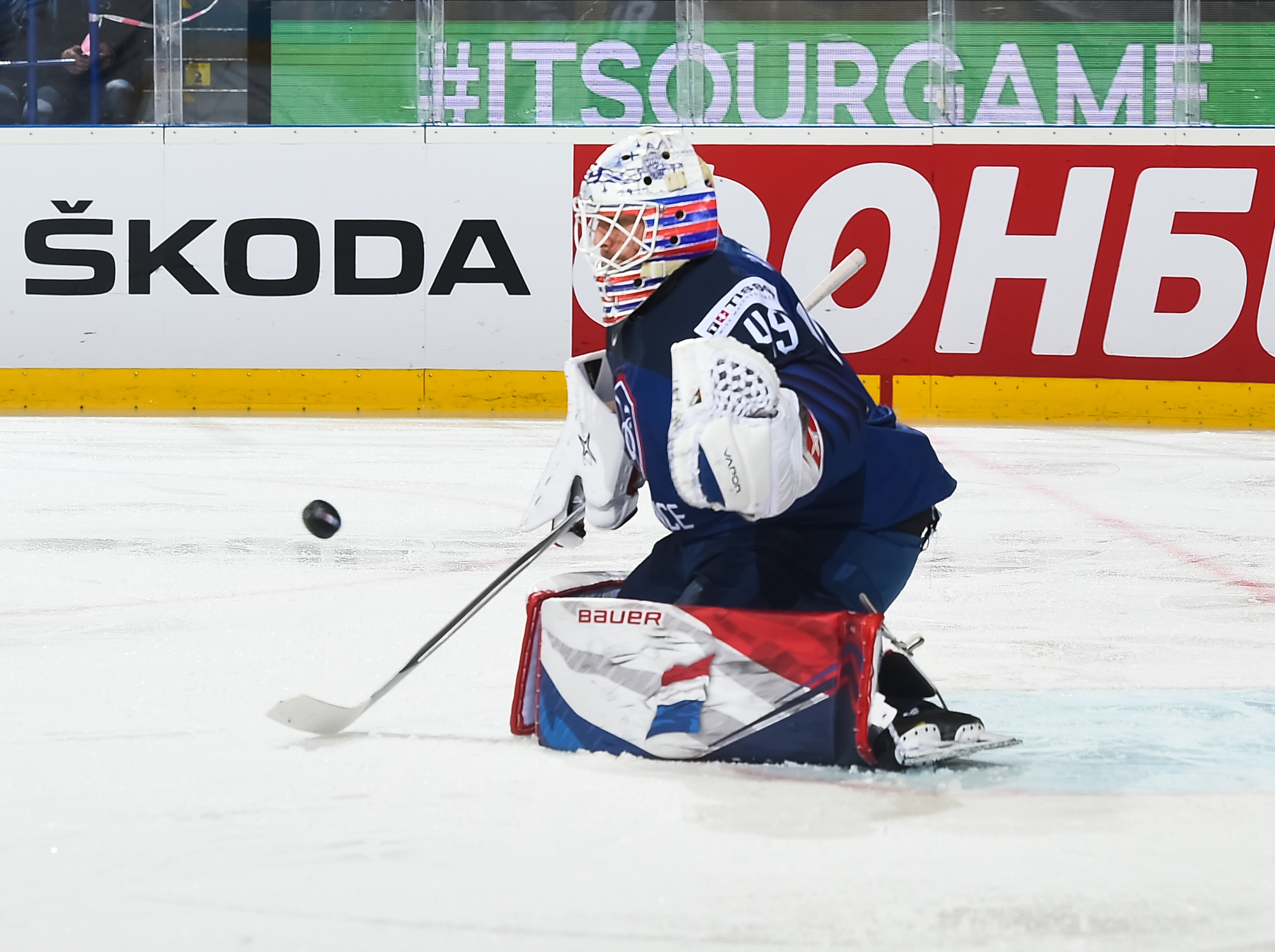 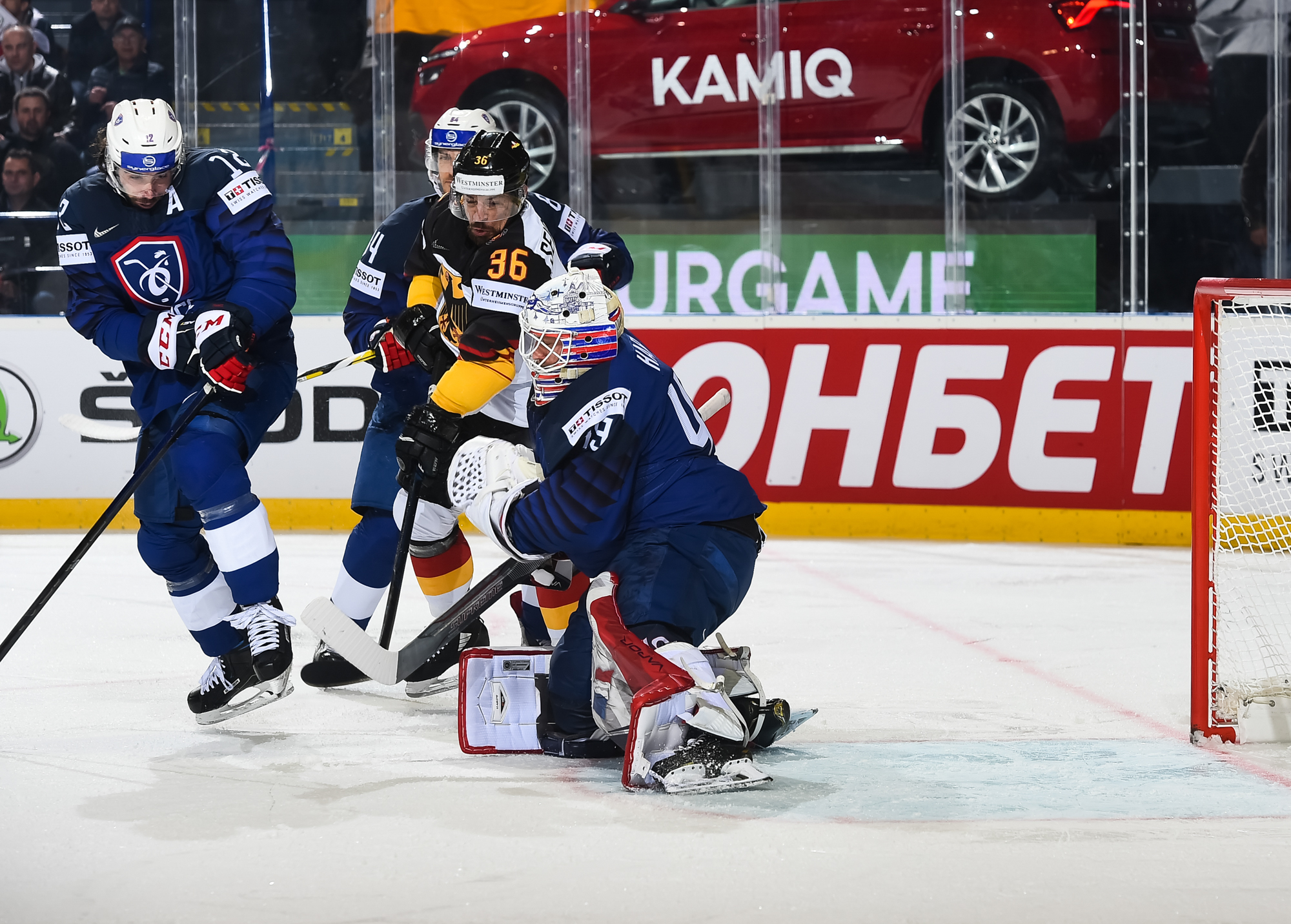 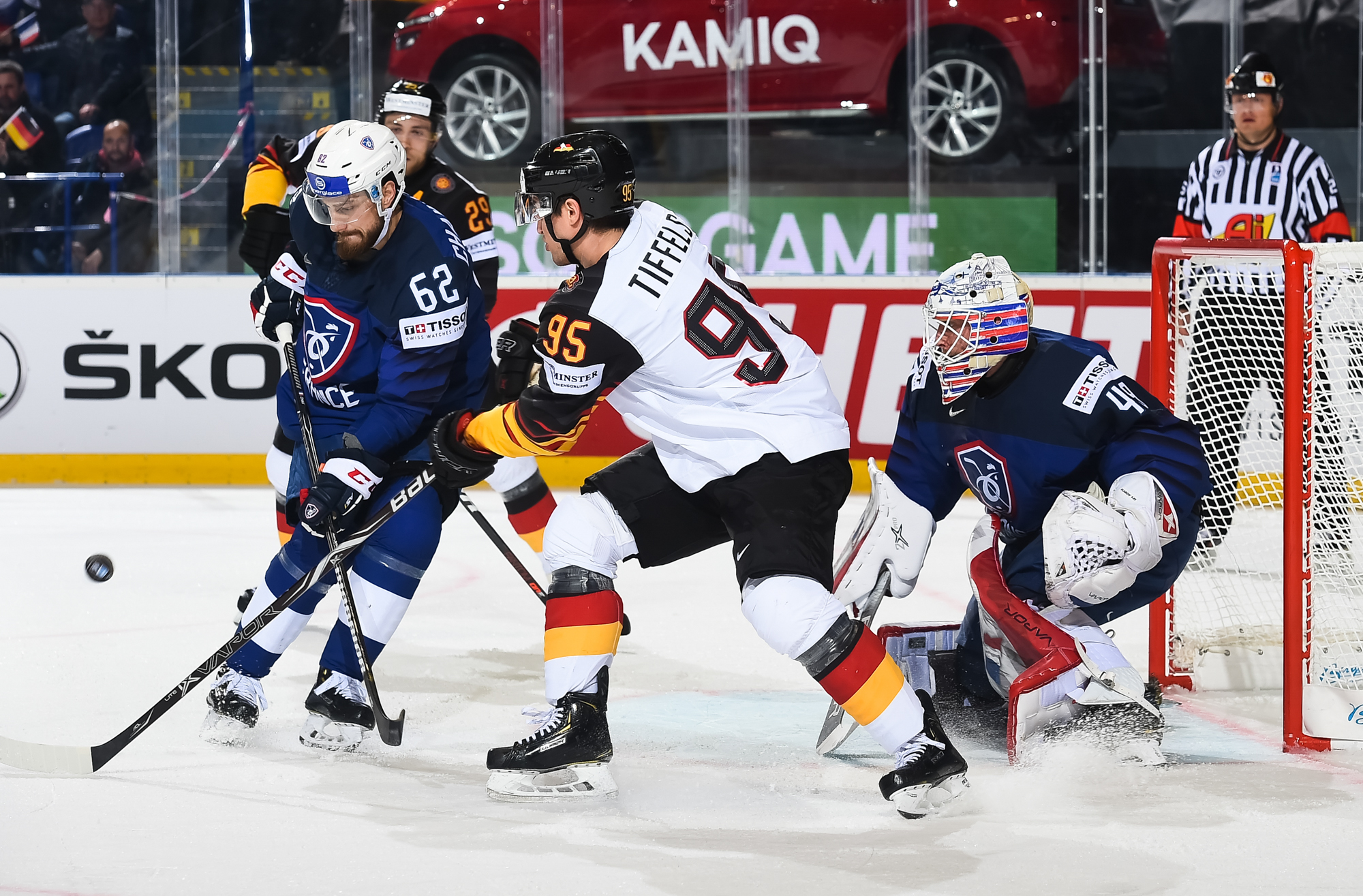 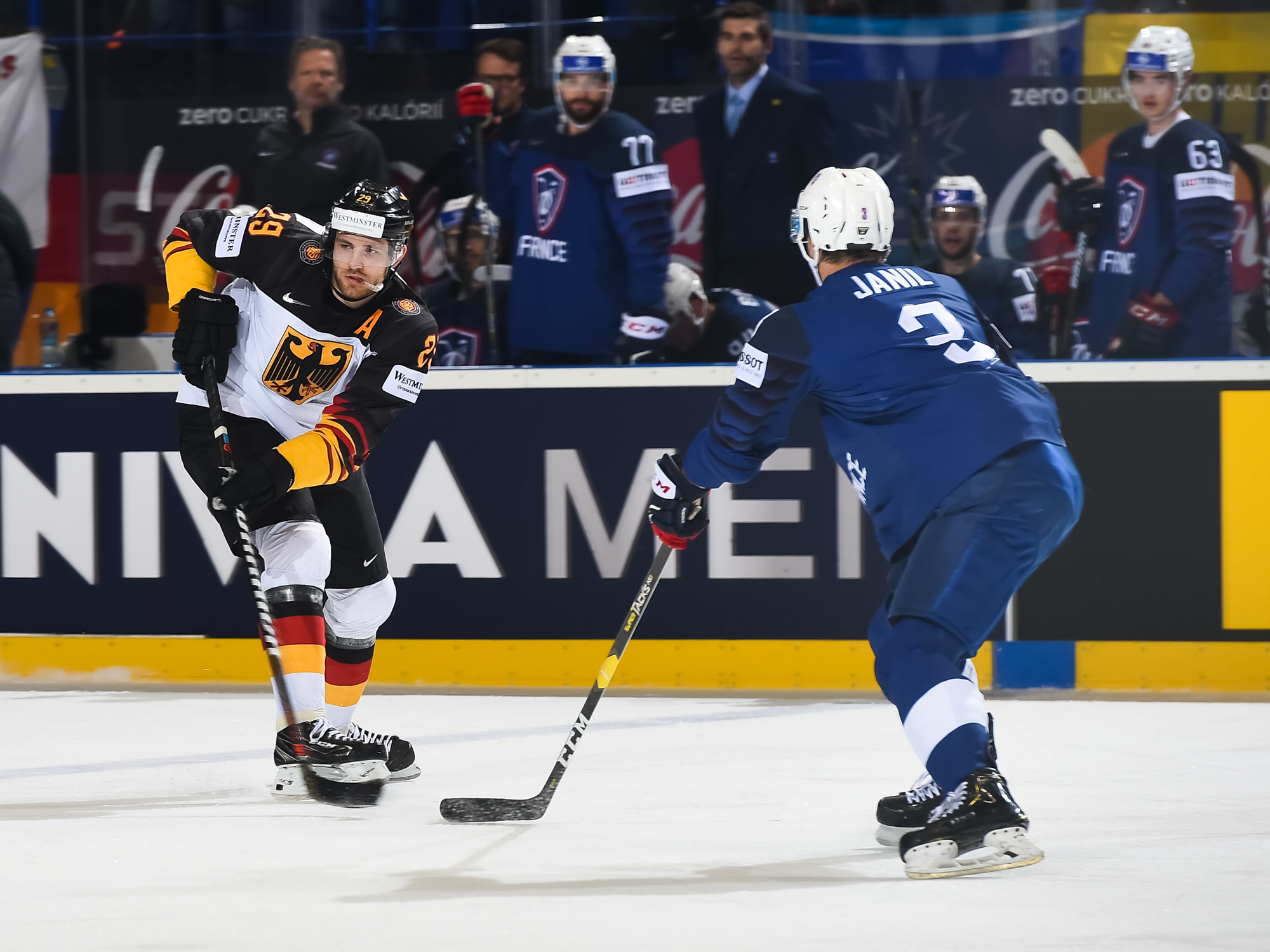 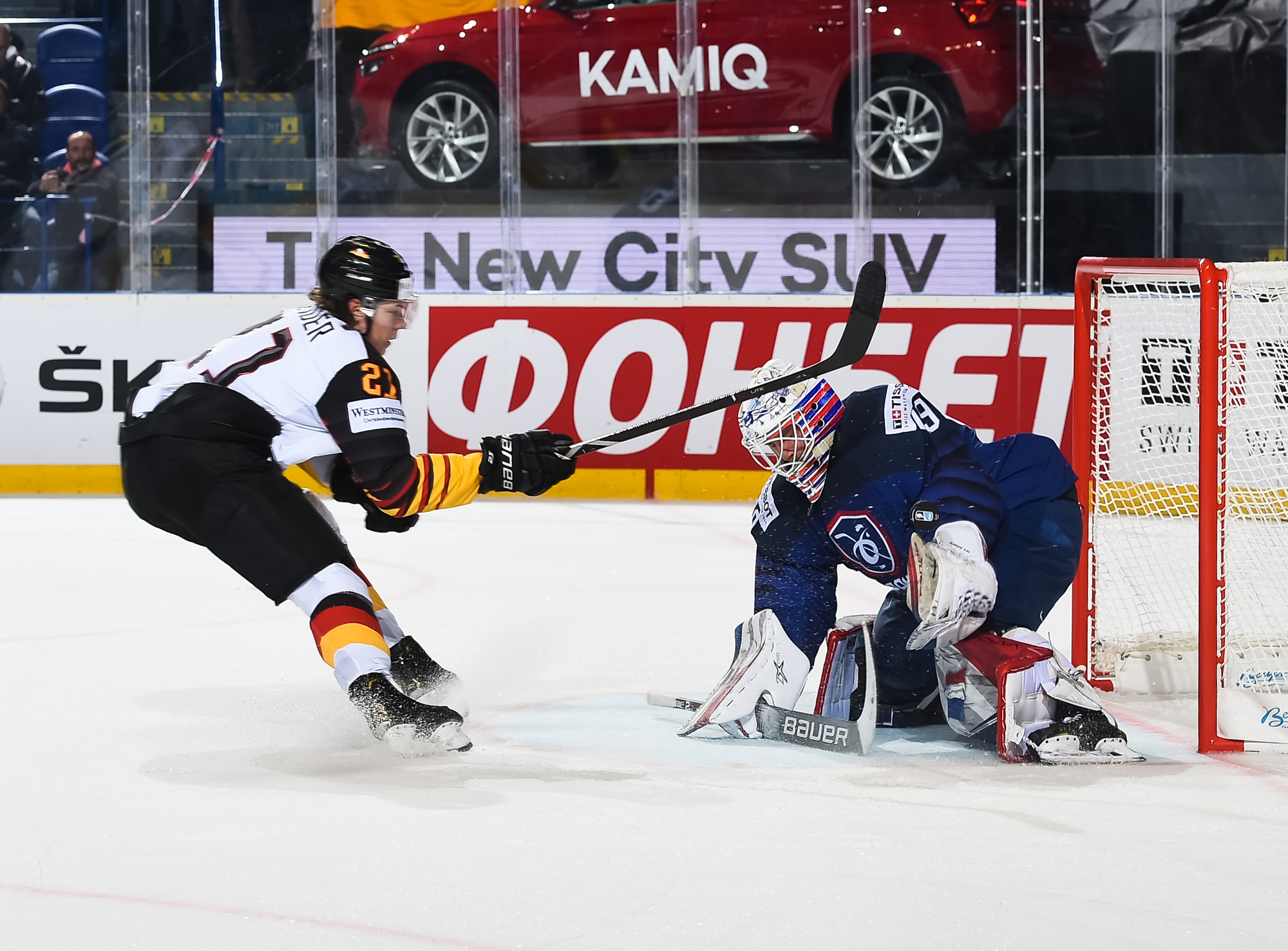 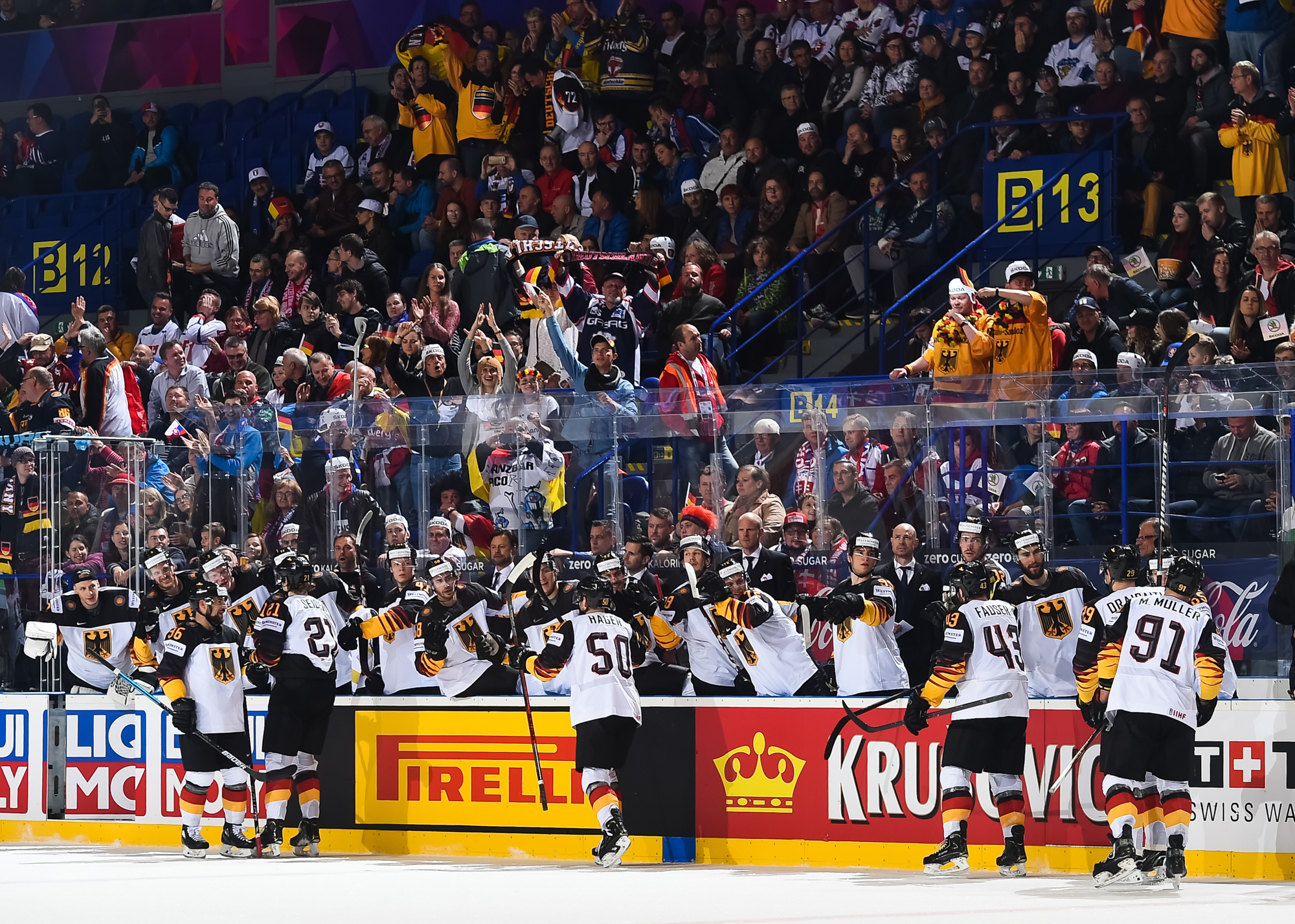 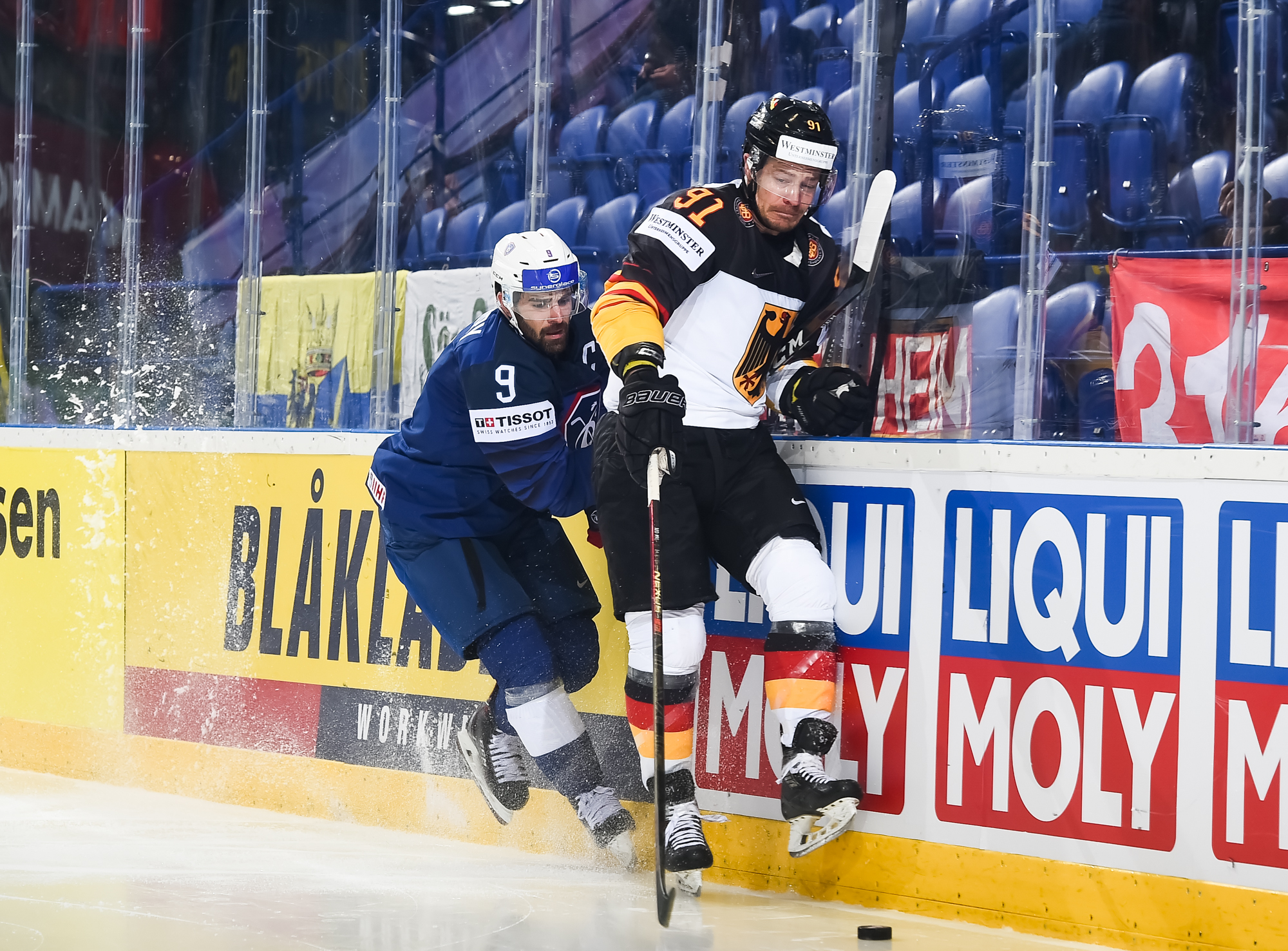 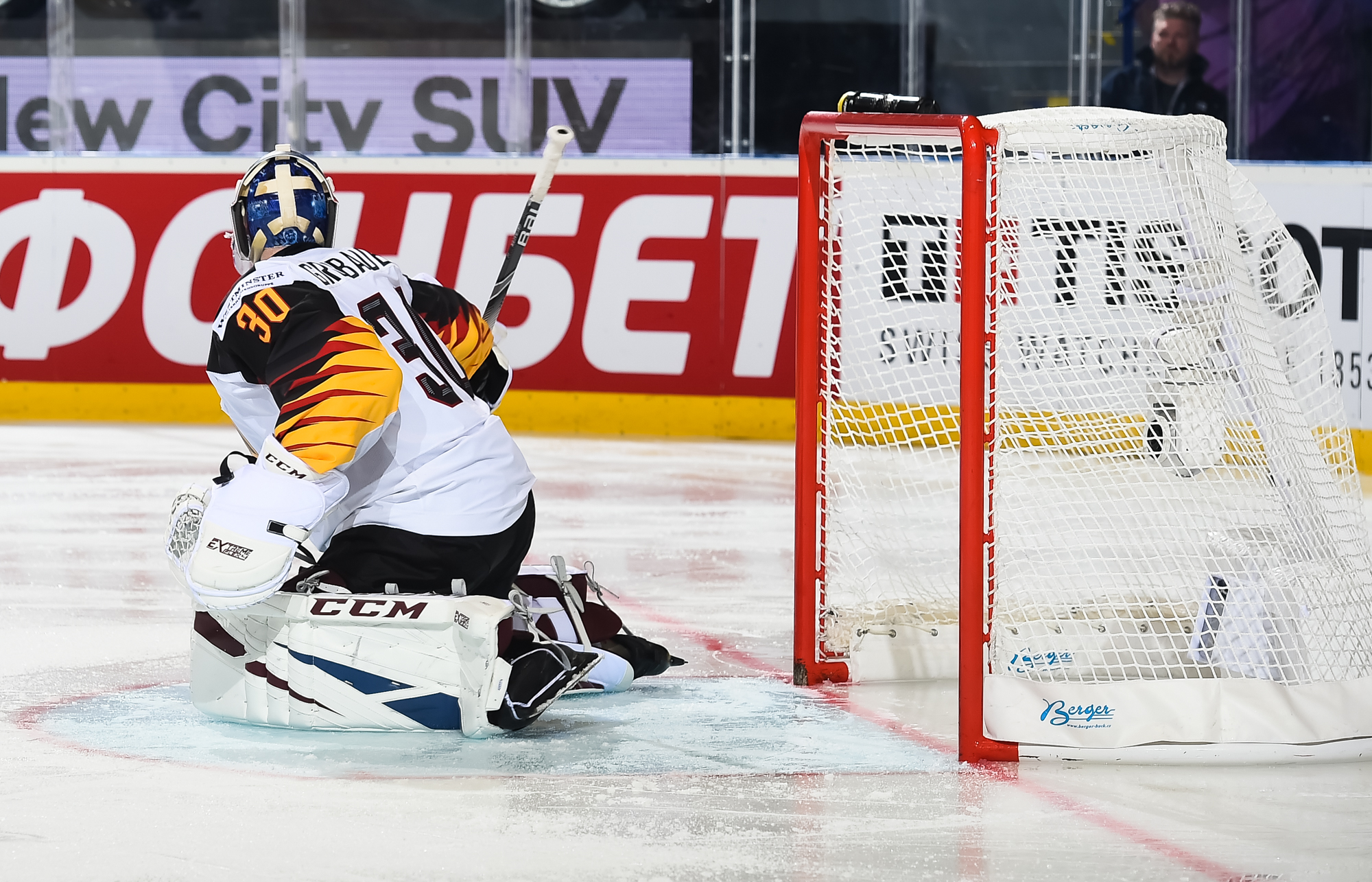 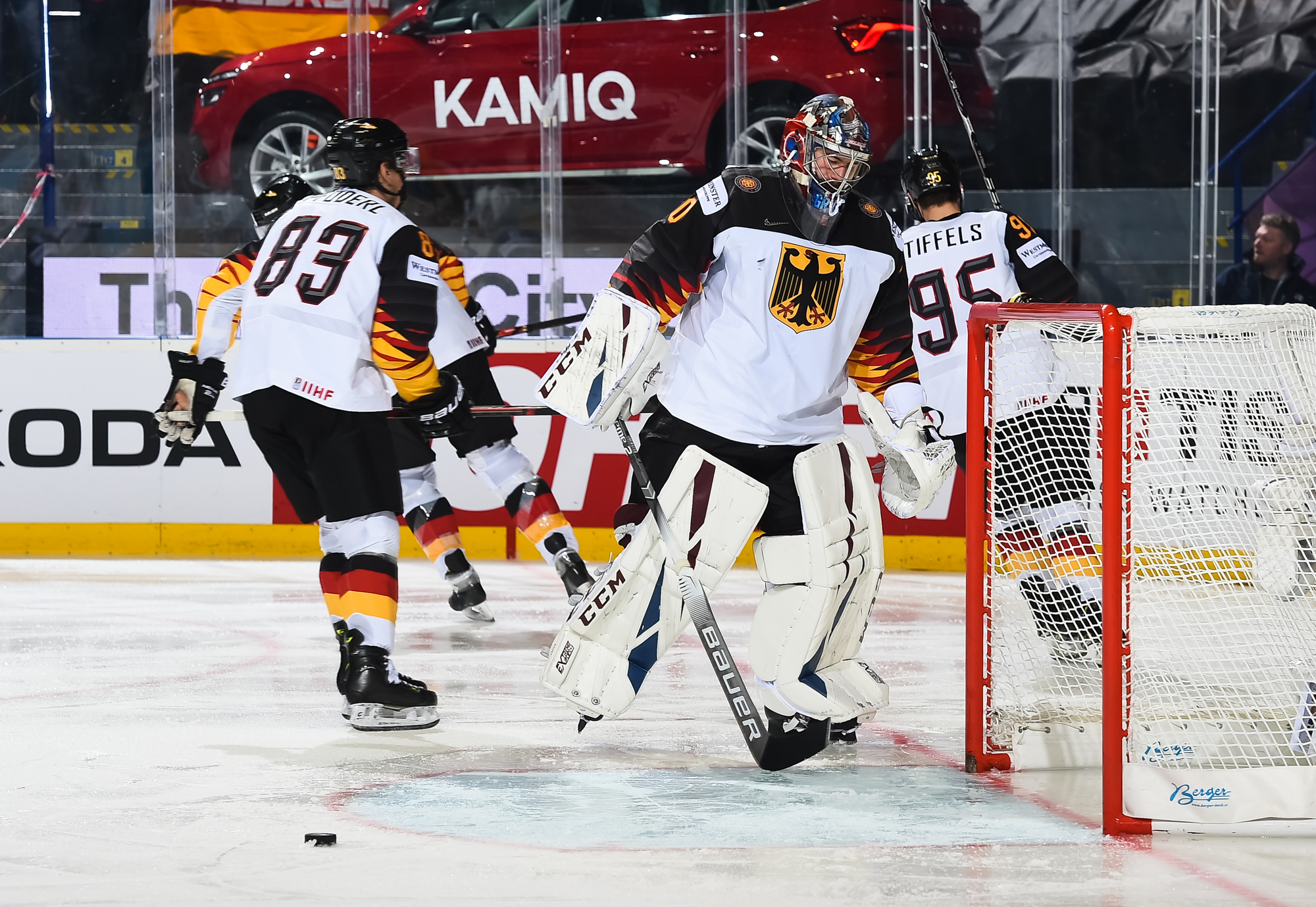 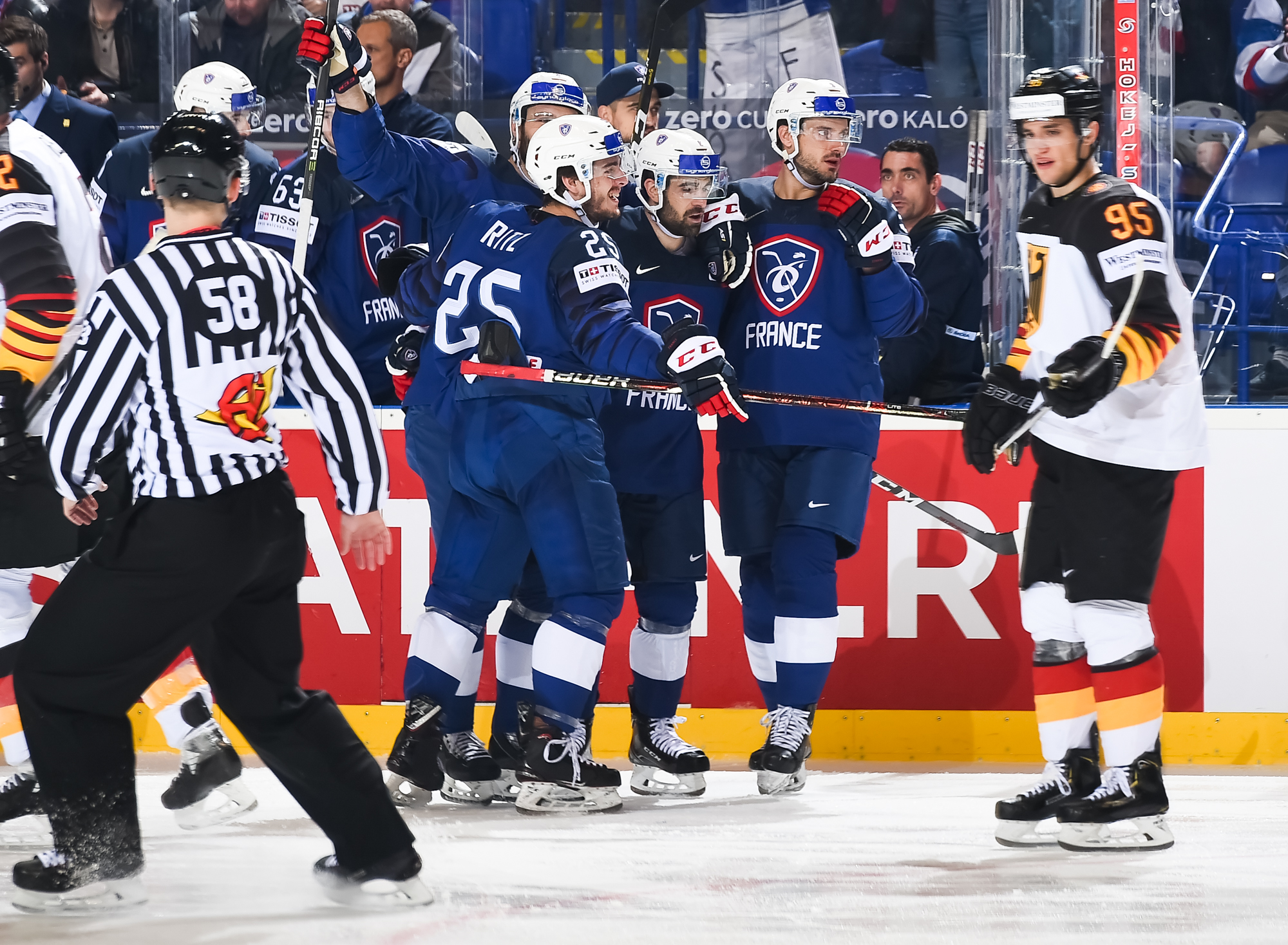 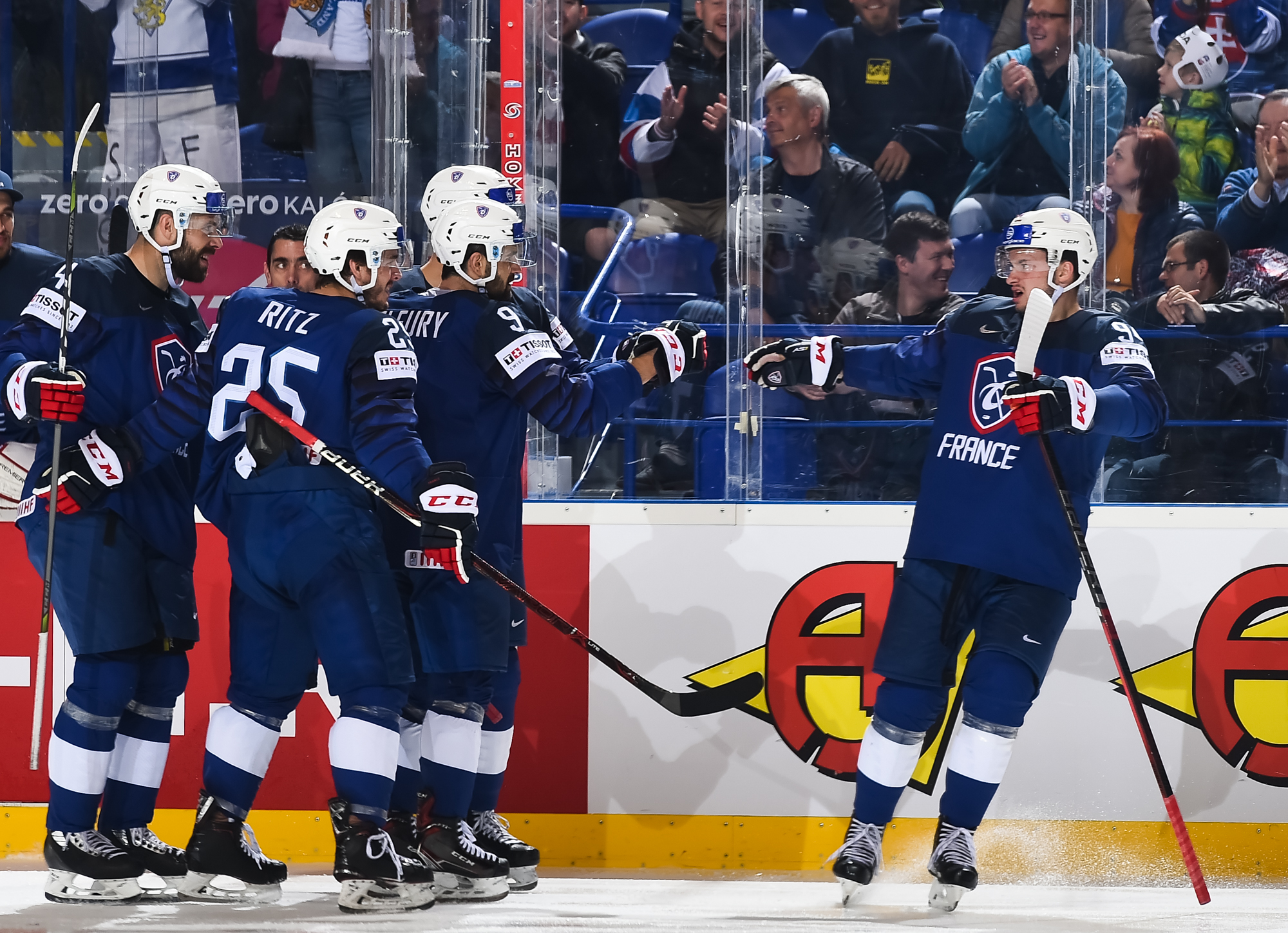 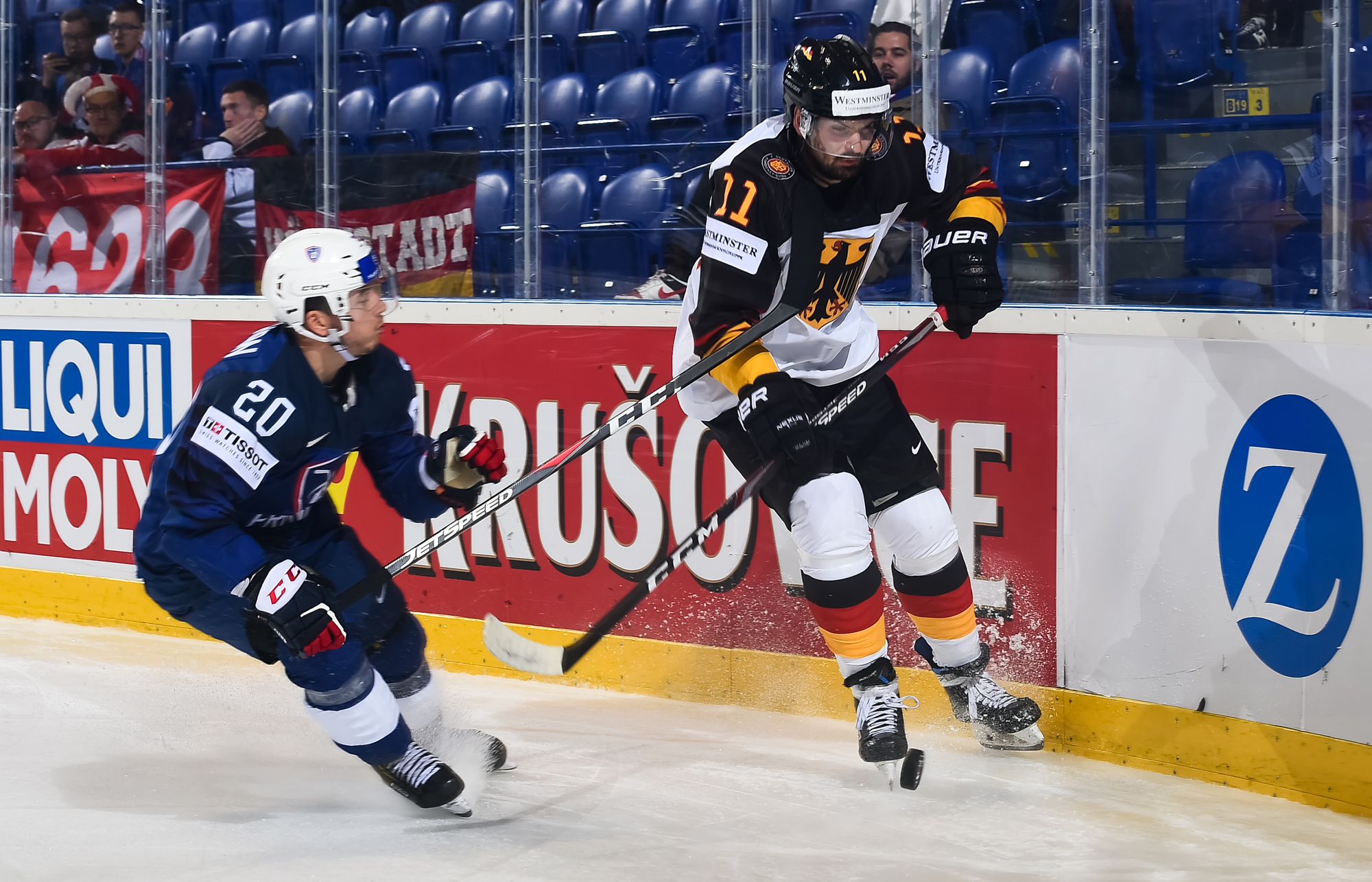 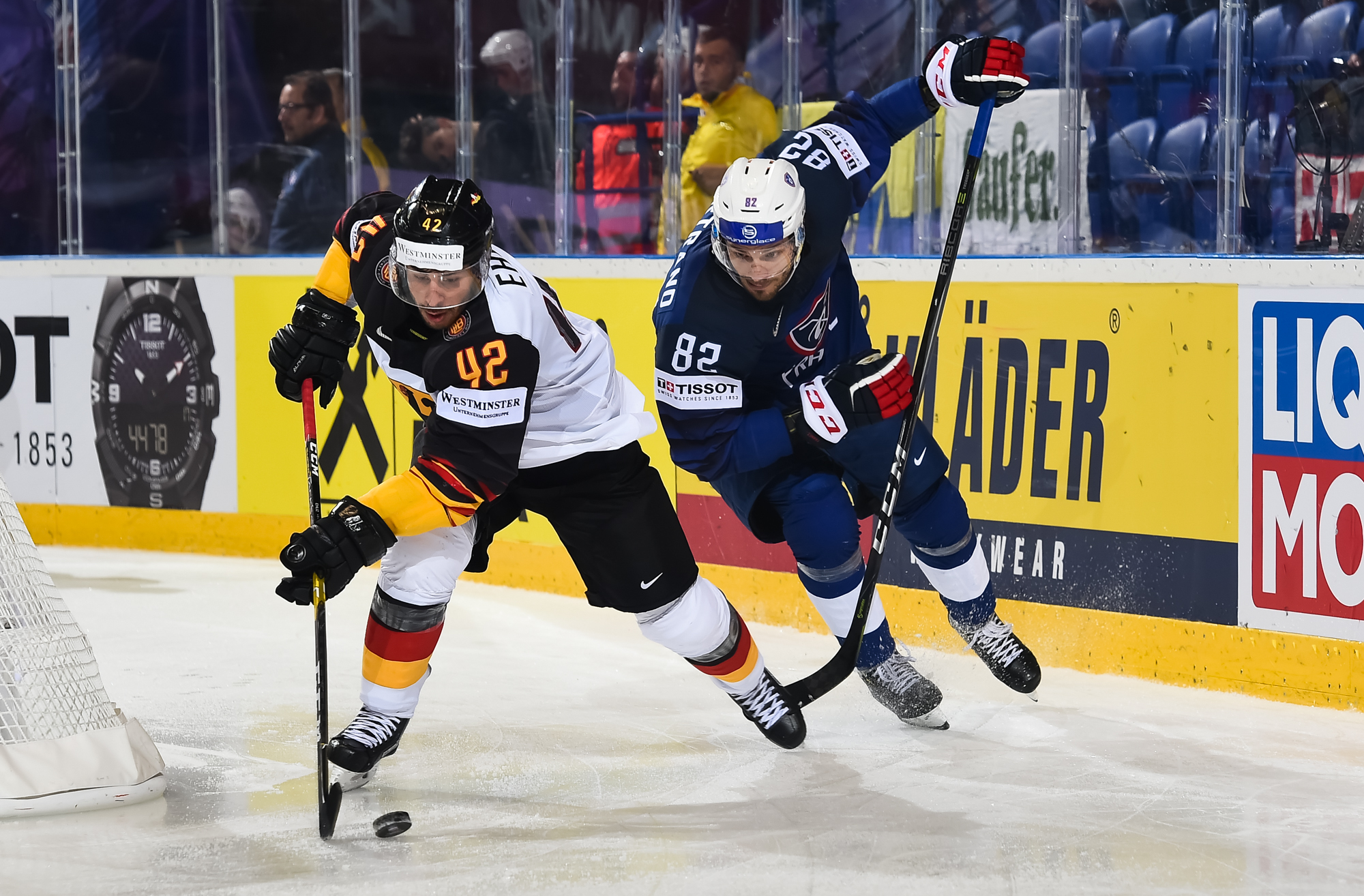 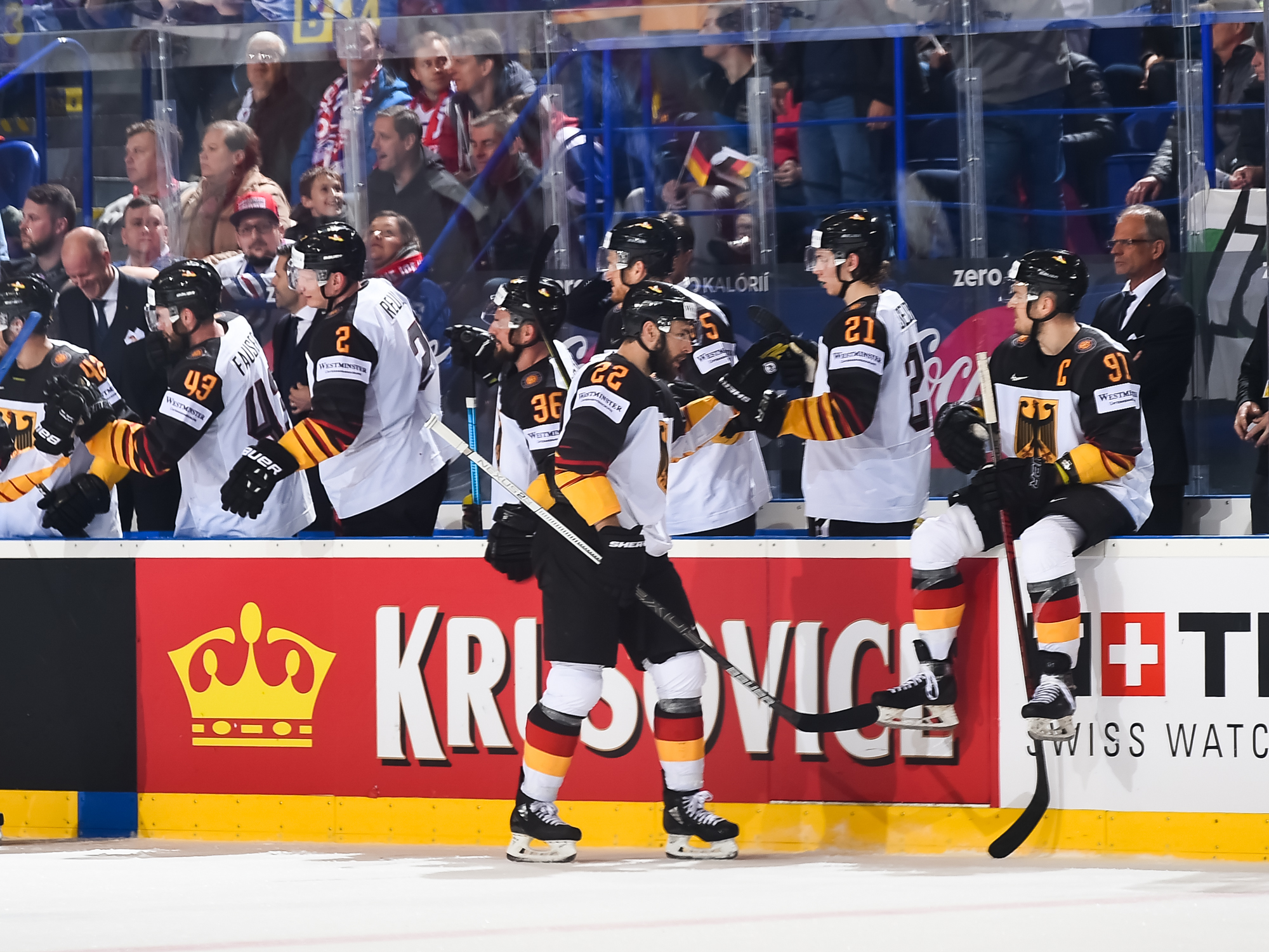 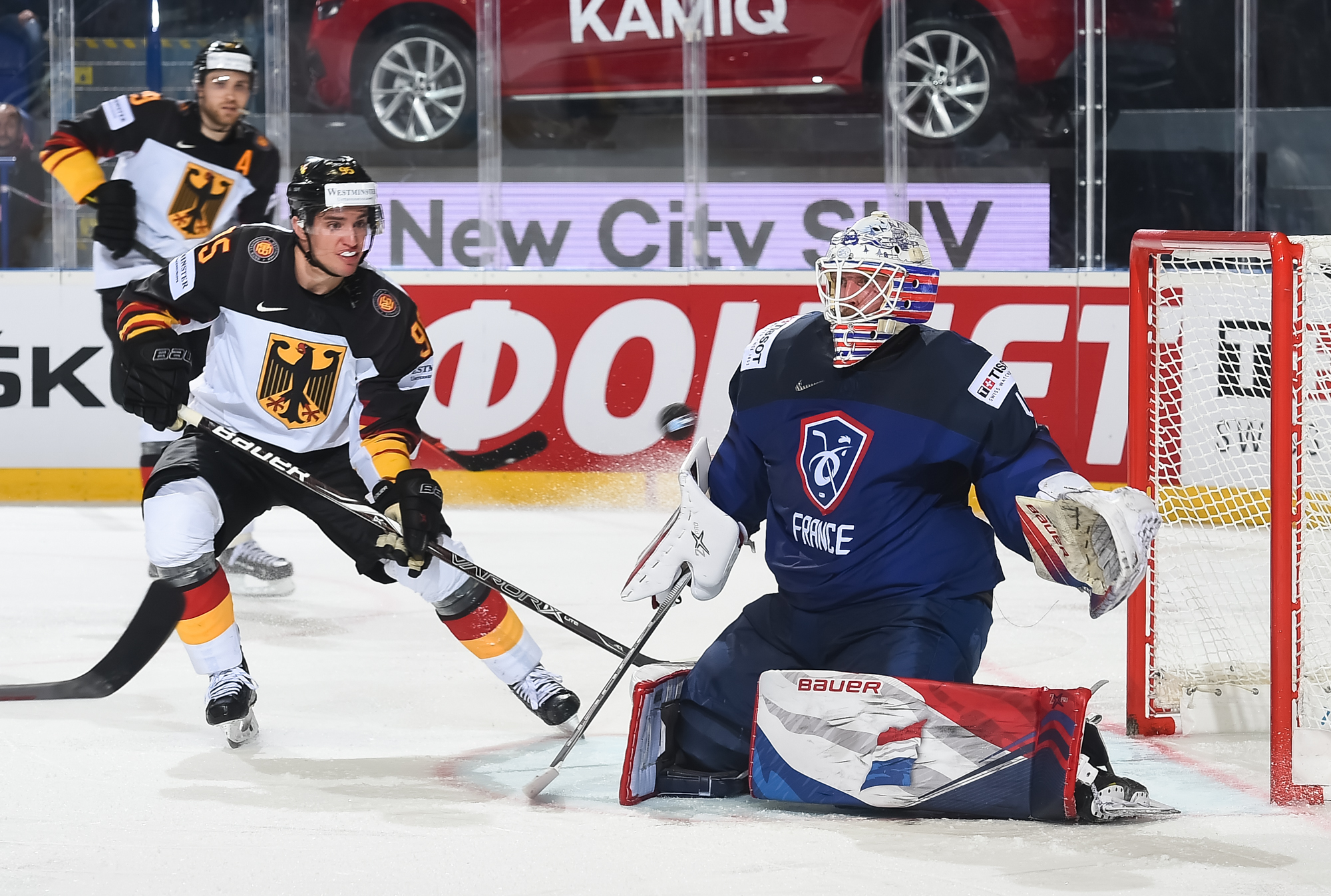 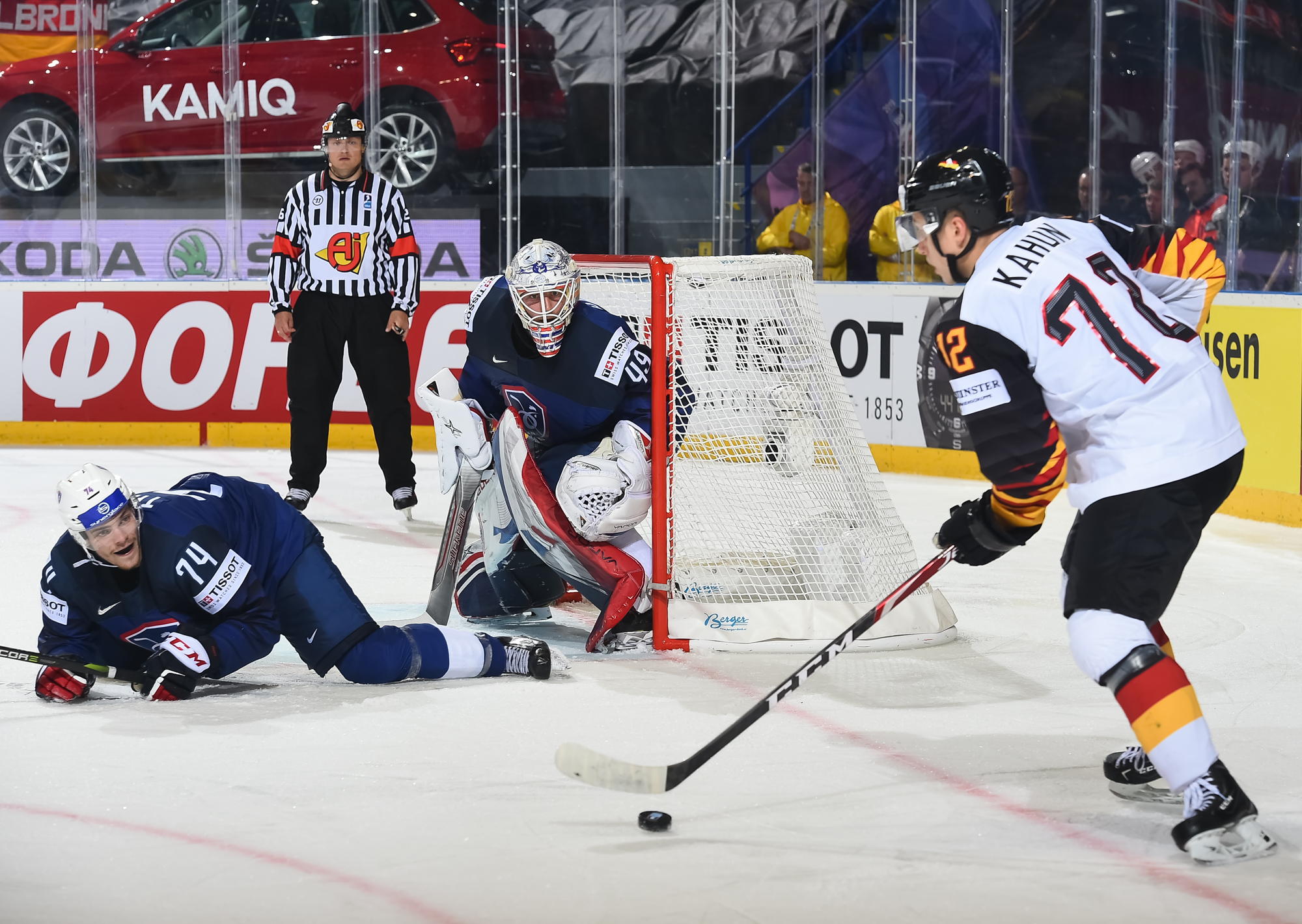 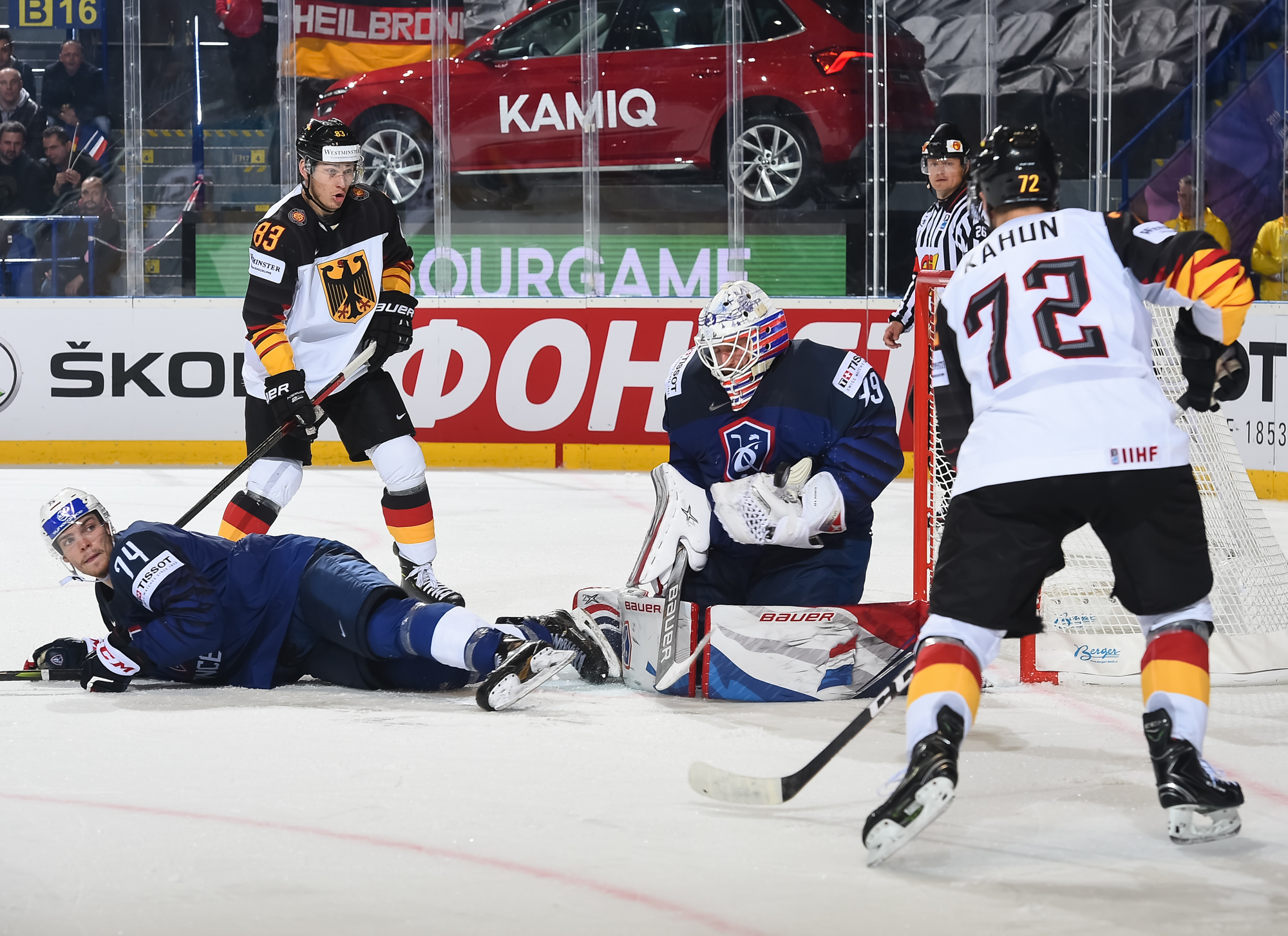 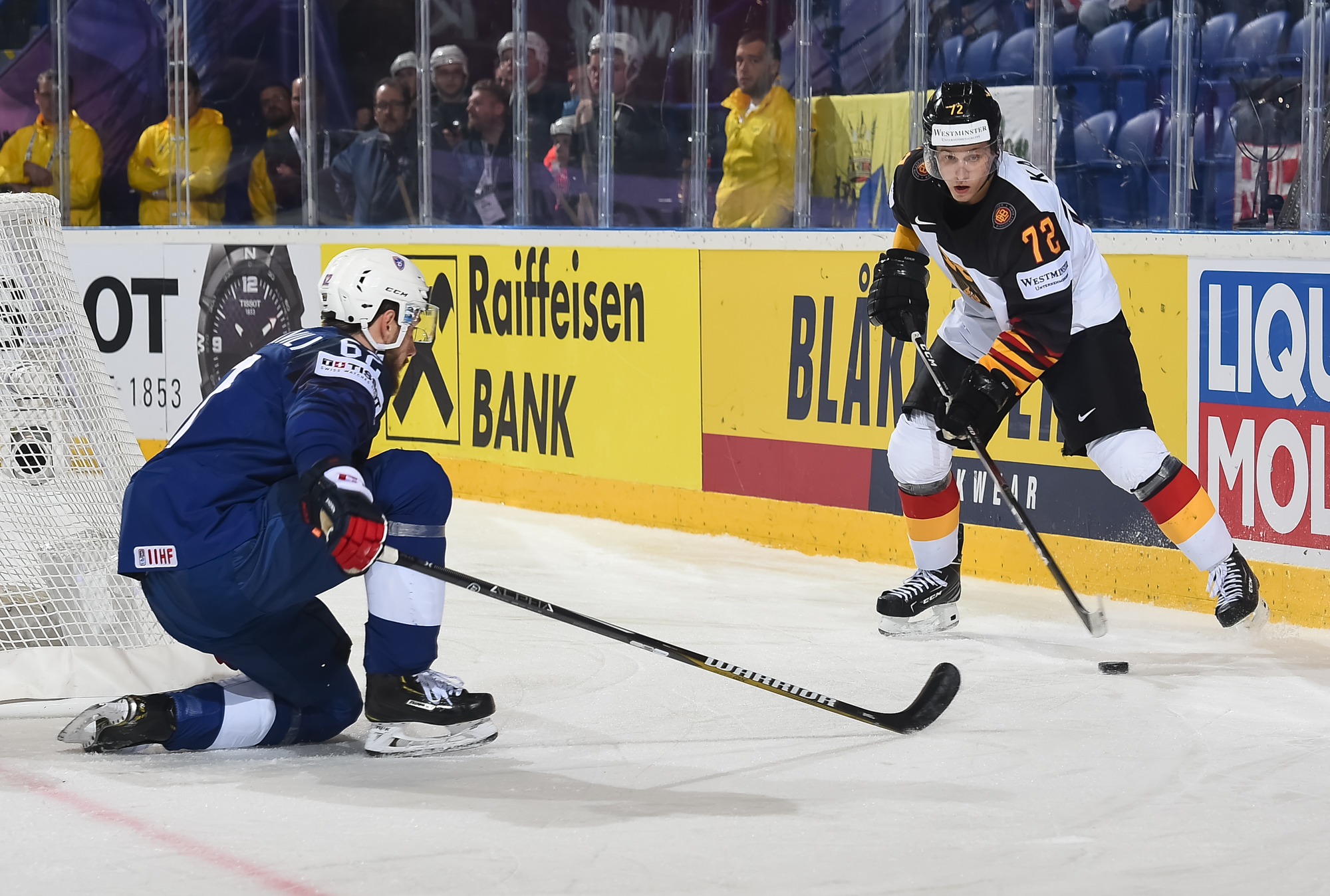 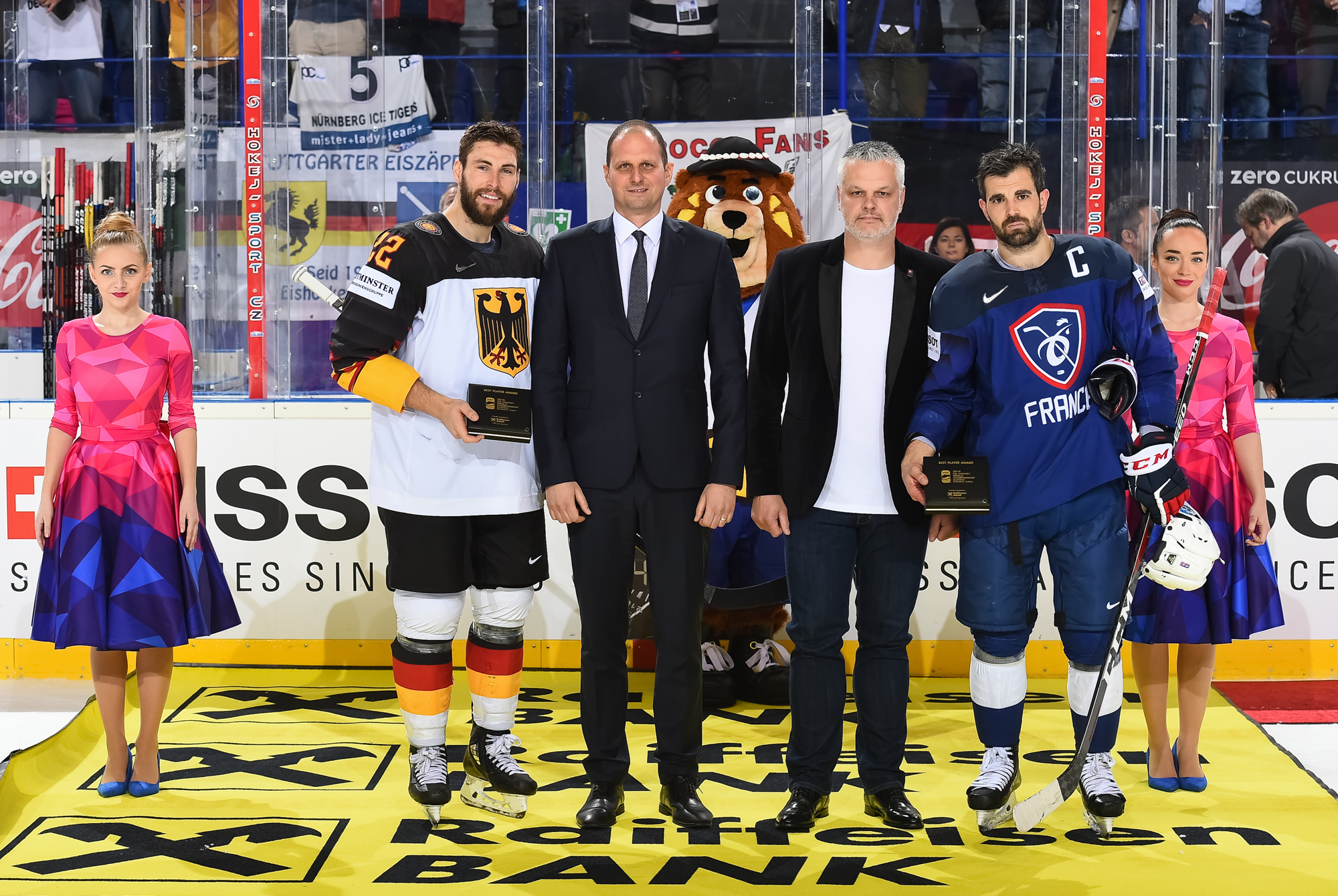 1 OF
World Men GER FRA
share
Related articles
World Men
Underdogs are ready to bite
Swiss and Germans see grounds for optimism in QF
23 MAY 2019
World Men
Czechs outlast Germans, on to semis
The Czech Republic defeated Germany 5-1 in the quarter-finals
23 MAY 2019
World Men
Eisenschmid breaks out
Germany's Markus Eisenschmid had a breakout season in Mannheim, and is continuing that in the World Championship.
22 MAY 2019