Swiss stay perfect
Switzerland's Nico Hischier with a scoring chance against Norwegian goaltender Henrik Holm.
photo: Andre Ringuette / HHOF-IIHF Images
share
Goals from Andres Ambuhl (2), Nico Hischier and Gregory Hofmann saw Switzerland make it four wins from four with a 4-1 verdict over Norway. Last year’s beaten finalist has continued 2018’s impressive form, dealing comfortably with the outsiders in Group B and tuning up nicely for the more demanding tests set to be posed by Sweden, Russia and the Czech Republic in the coming days.

Roman Josi talked up the qualities that have underpinned his country's fast start in Bratislava. "Our speed is a real strength for us," he said. "We're playing with a lot of pace out there.

"We're playing really well defensively too, everybody is working hard to get back and our goalies have been great."
Today's opponents could not have had more sharply contrasting starts to the championship. Switzerland had three victories, scoring 16 goals and allowing just one. Norway suffered three losses, allowing 21 goals. Admittedly, the Norwegians started out with three hard games against Russia, the Czech Republic and Sweden – a tall order for any team – but Wednesday’s meeting with the Swiss was a must-win affair if Petter Thoresen’s men were to retain any hopes of a quarter-final berth.
After Tuesday’s 4-0 win over Austria the Swiss players spoke of the need to put opponents away earlier in games. That was particularly urgent here, with the team having less than 24 hours to recover from its Alpine exertions the night before. Here, they got the early goal they wanted in the sixth minute. Christoph Bertschy’s pass unpicked a hole in the Norwegian defence and Andres Ambuhl got to the net to go top shelf. The long-serving Swiss forward, playing his 103rd World Championship game, collected his first goal here in Bratislava. Late in the game, he added a fourth, redirecting Joel Genazzi's shot past Henrik Holm to move to 46 (21+25) career points. He's now just two points behind his country's all-time scoring record in World Championship hockey, currently held by Jorg Eberle.

Ambuhl's early goal did not open the floodgates, though. Norway had a point to prove after its 1-9 drubbing at the hands of Sweden last time out and was looking to get forward whenever possible. The Swiss, so strong on defence thus far, began to show signs of unease. Twice the Norwegians forced turnovers in Switzerland territory, with Martin Roymark and Mathis Olimb making the plays. Unfortunately for the Scandinavians, there was no finishing touch on those occasions as Leonardo Genoni bailed out his team-mates.

"The game played out a bit like the previous one," said Gregory Hofmann. "We just stayed patient and made sure our defence was solid. Our goalie made a contribution to our success and we generated plenty of offence at the other end."
World Men
Switzerland vs. Norway - 2019 IIHF Ice Hockey World Championship
Goals from Andres Ambuhl (2), Nico Hischier and Gregory Hofmann saw Switzerland make it four wins from four with a 4-1 verdict over Norway.
SUI NOR 15 MAY 2019
The second period began with Switzerland extending its lead. Nico Hischier collected his third goal and seventh point of the championship with a bit of quick thinking. The New Jersey Devil shaped to take Kevin Fiala’s pass around the back of the net but, once Norwegian goalie Holm had started to move to his far post, Hischier doubled back to attack the near post. Caught with his momentum taking him away from the play, Holm could do little more than stretch out a leg and hope for the best; Hischier was strong enough to stuff the puck over the goalie’s skate and double the lead.

Holm had better fortune late in the frame when he came up big to deny Ambuhl a second goal. Simon Moser picked out the play from behind the net, Ambuhl was unmarked on the doorstep but Holm would not be moved and blocked the shot with his stick. By that point, the Norwegian attack had almost disappeared from the game. After 14 shots in the first period, Norway managed just seven in the second as the Swiss defence asserted itself.

In Norway’s previous games the result was pretty much assured by the start of the third period. This time, though, with just a two-goal deficit – plus the knowledge that four of the team’s five goals in Bratislava had come in the final frame – there was some hope.

"In some games we haven't been at our best," admitted Olimb. "Today I thought we gave ourselves a chance but in the end they were just a bit better than us.

"Now all we can do is regroup and save our spot in the A Pool."

Switzerland came close to extinguishing Norwegian hopes entirely early in the third when Vincent Praplan got into a good position but saw his shot clip the bar and fly over the glass. Then Norway tried to press at the other end, with Tobias Lindstrom posing a threat, but Nordic efforts to force the pace allowed the Swiss to hit on the counter-attack.

Olimb’s pass in centre ice was intercepted by Lino Martschini and he wasted little time in advancing on Holm’s net. Gregory Hoffman joined him on the rush and applied the finishing touch to make it 3-0 and secure the game. Ambuhl potted his second of the night but Norway had the final say in 59th minute when Lindstrom got a consolation goal that ended the Swiss shut-out streak at 143:49. Latvia's Miks Indrasis was the only other player to score on Switzerland here, late in the second period of Sunday evening's game.
"We wanted to start with these four wins," Hofmann added. "Now we can look ahead to Saturday and the game against Sweden. Our power play can certainly get better, we're coming into the zone looking for opportunities, but we need to shoot more and get more traffic in front of the net. That's what we're working on."

While Switzerland can look forward to a return to the quarter-finals, Norway is still seeking its first victory of the 2019 championship. Upcoming games against Austria and Italy offer a good chance to break that duck - but could also see the Norwegians sucked into a dogfight at the foot of the group table.

"I know Austria has some good players, guys playing at a high level in Sweden or Switzerland," Olimb added. "They also have a good league of their own. It's a team in the same position as us and this will be a tough new game that both countries have to win."
Switzerland vs. Norway - 2019 IIHF Ice Hockey World Championship 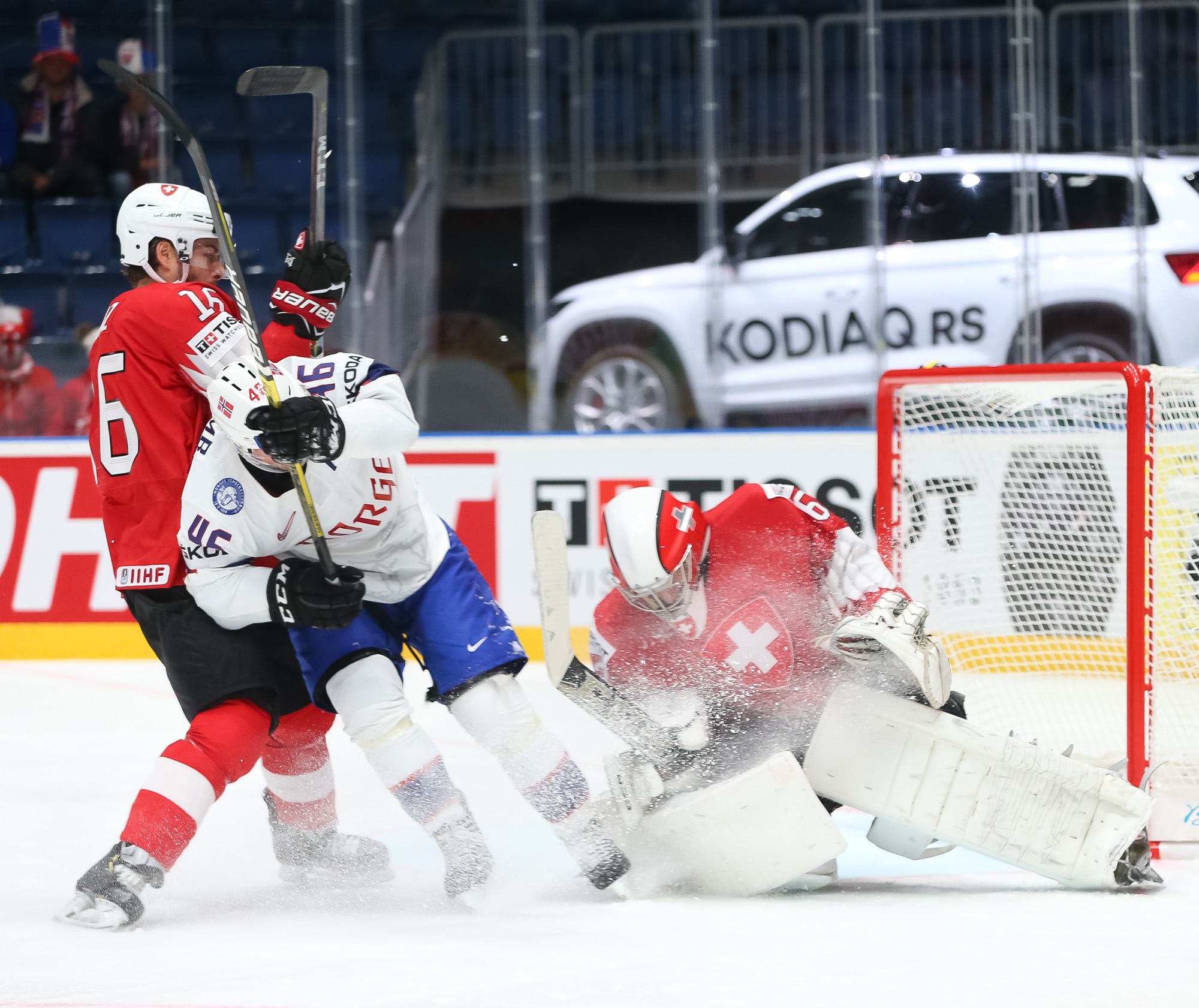 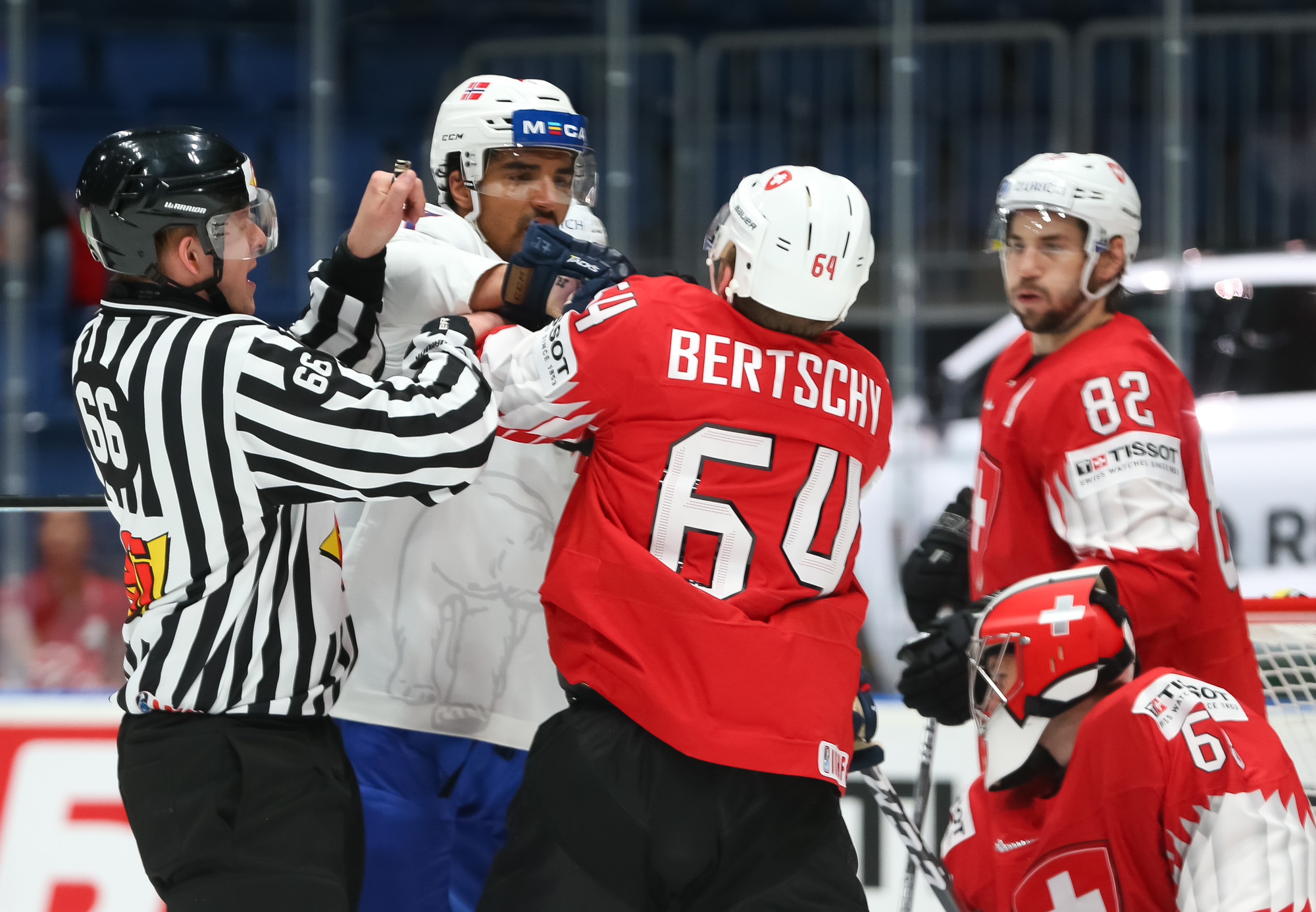 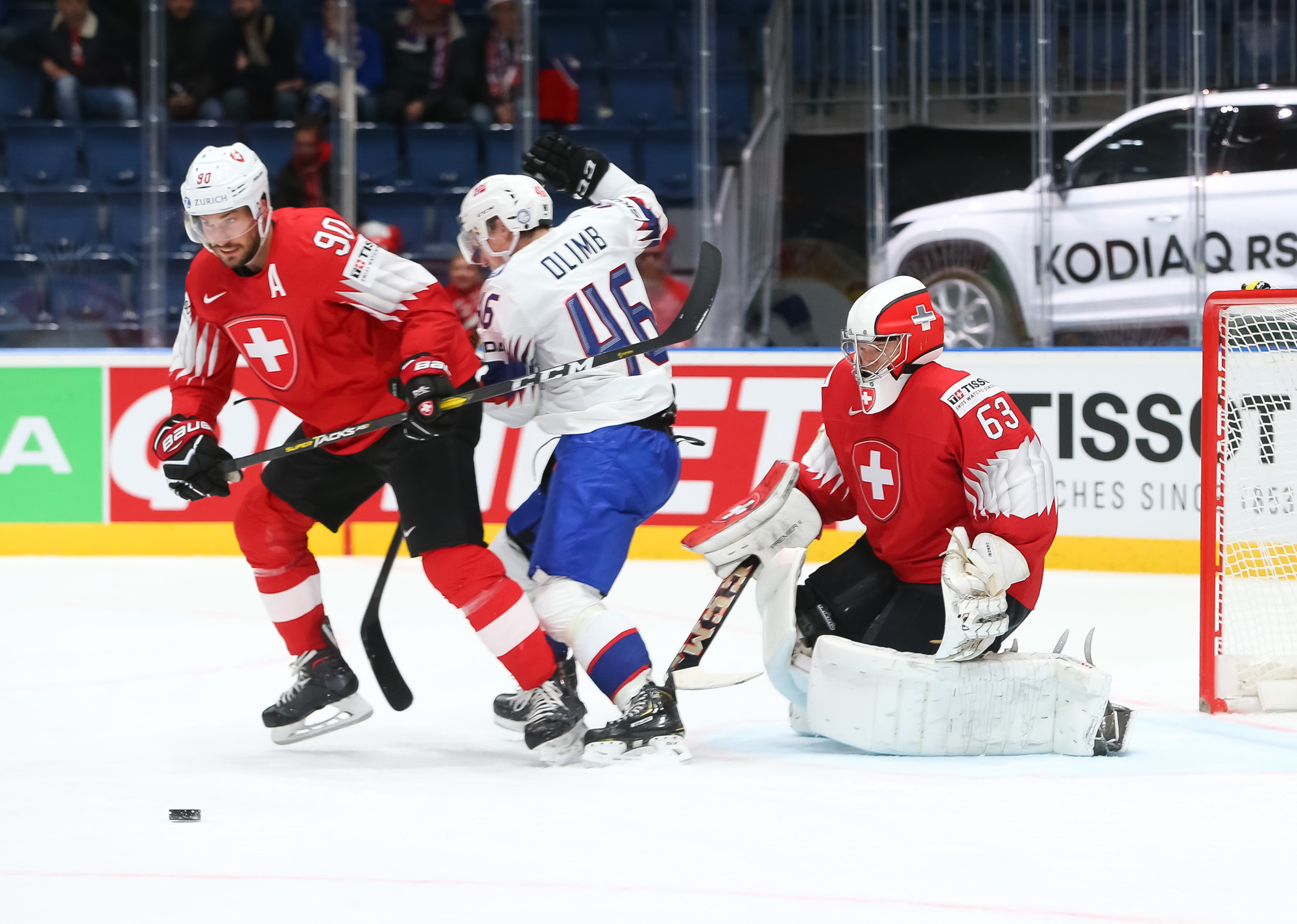 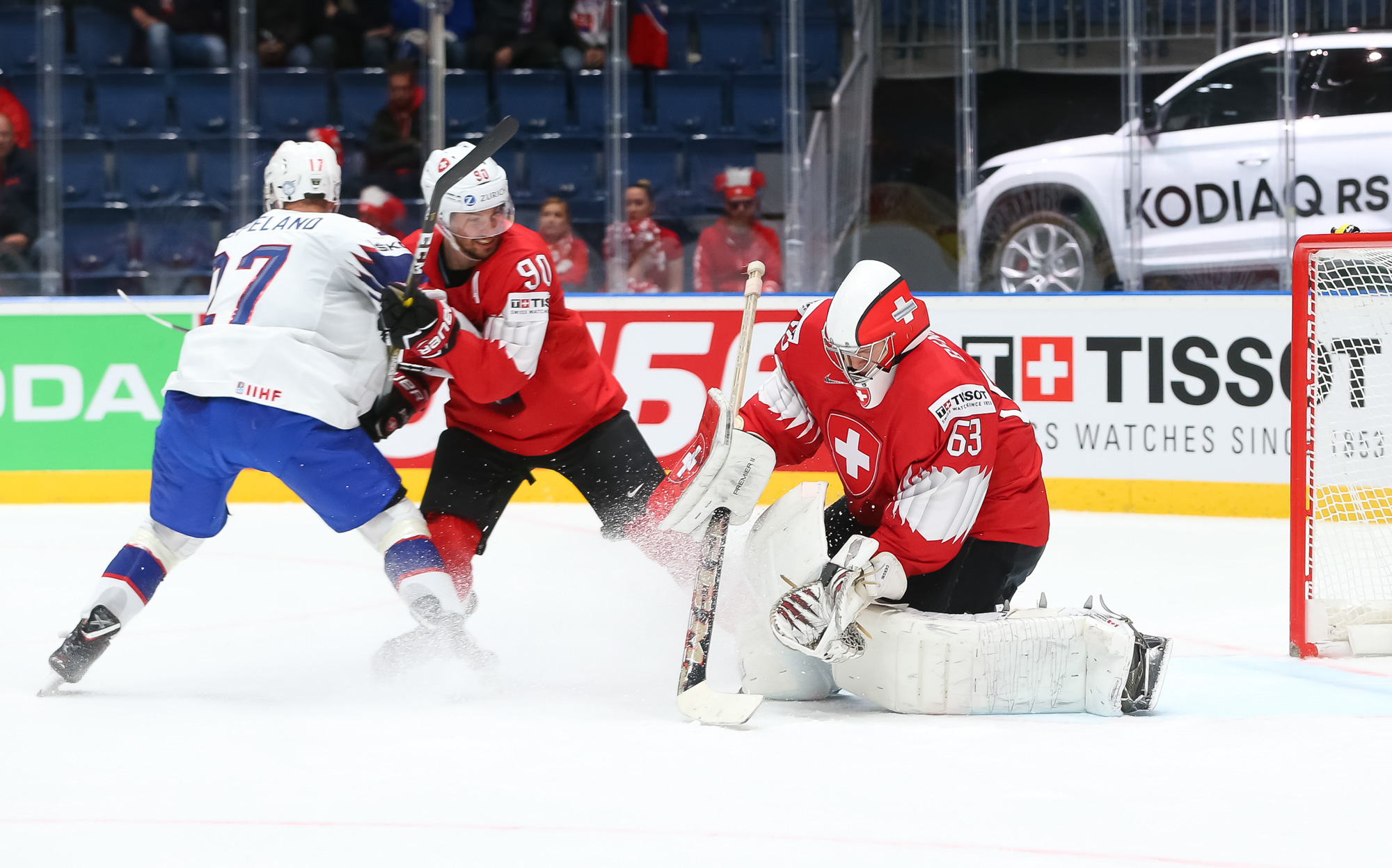 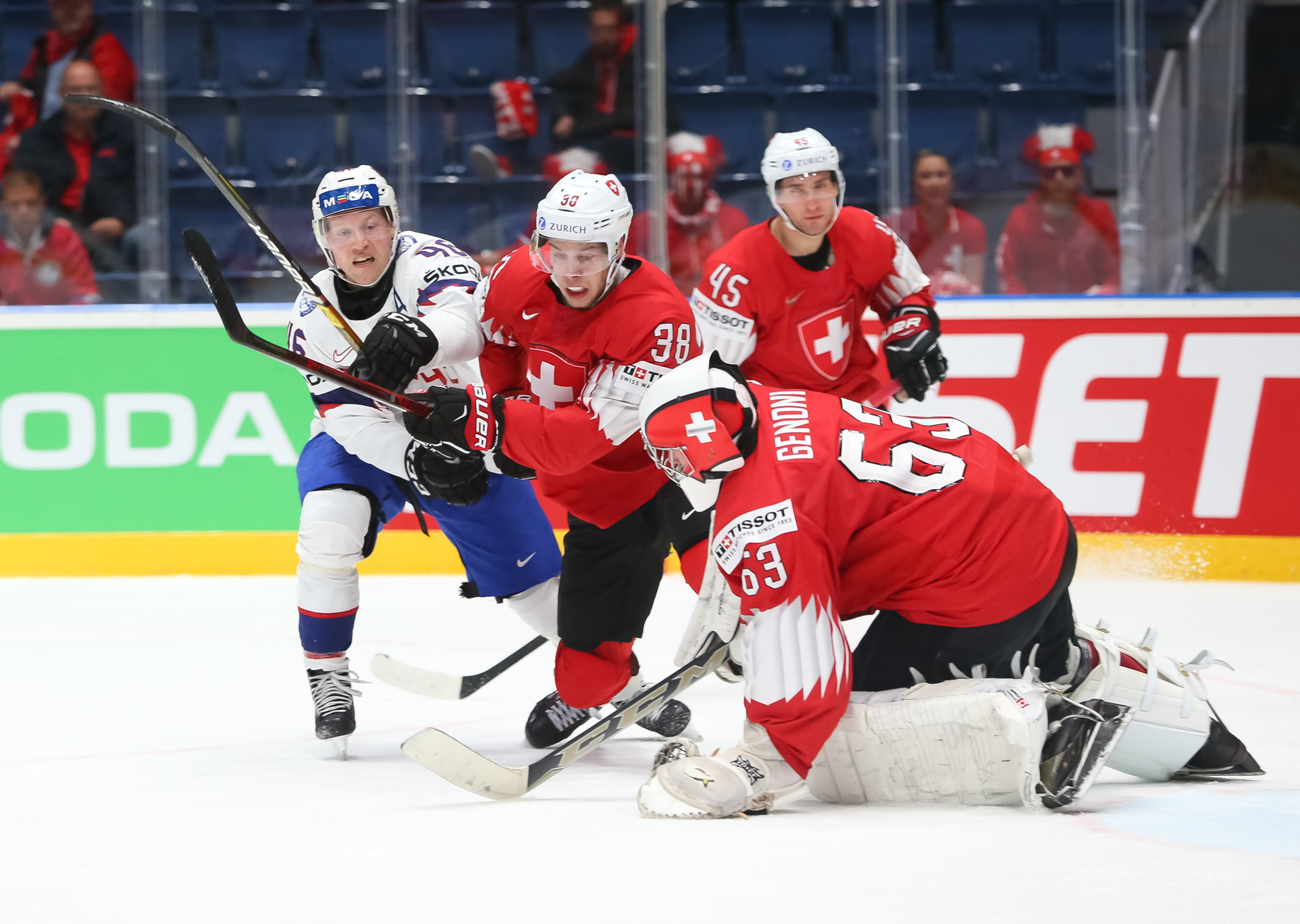 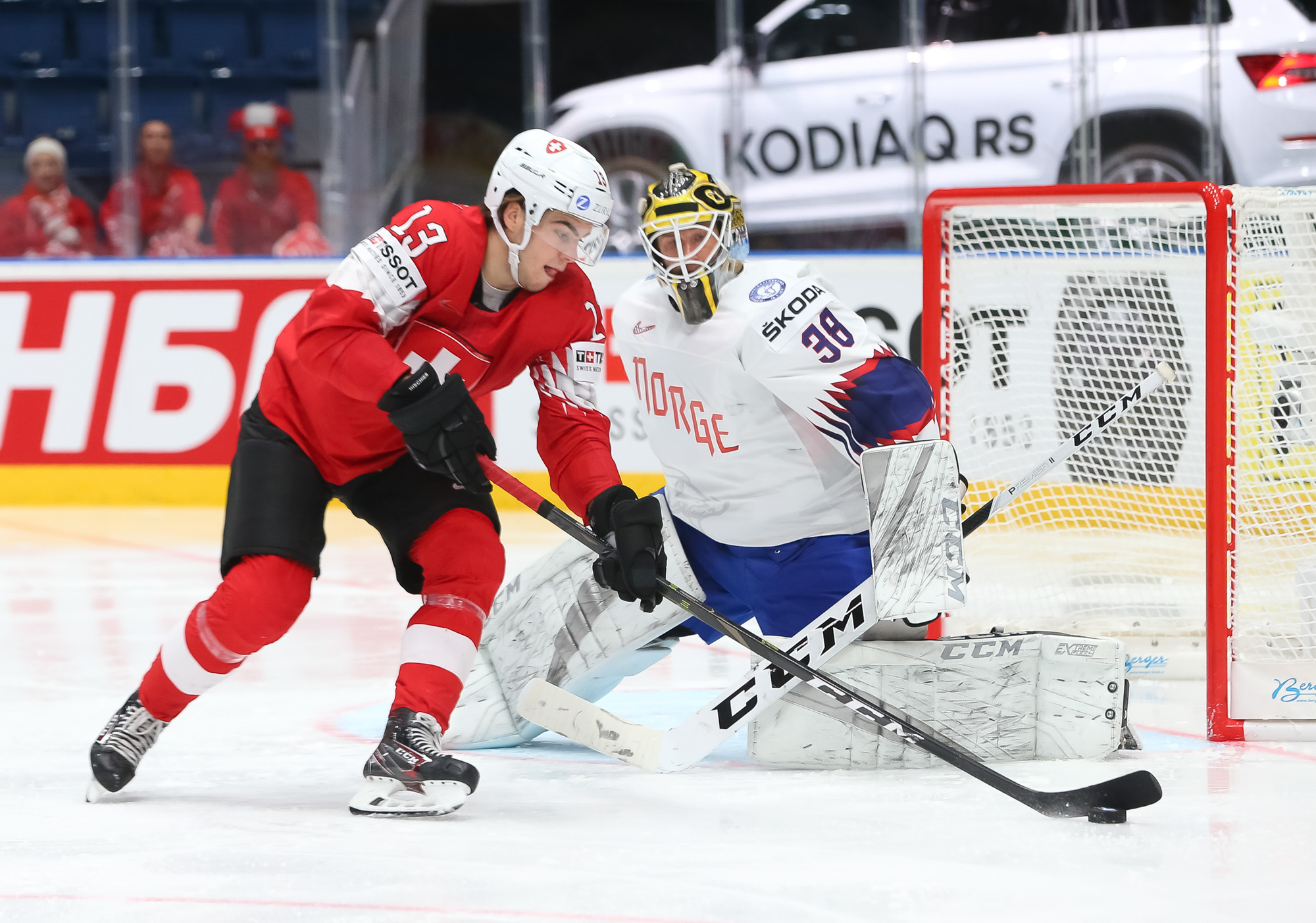 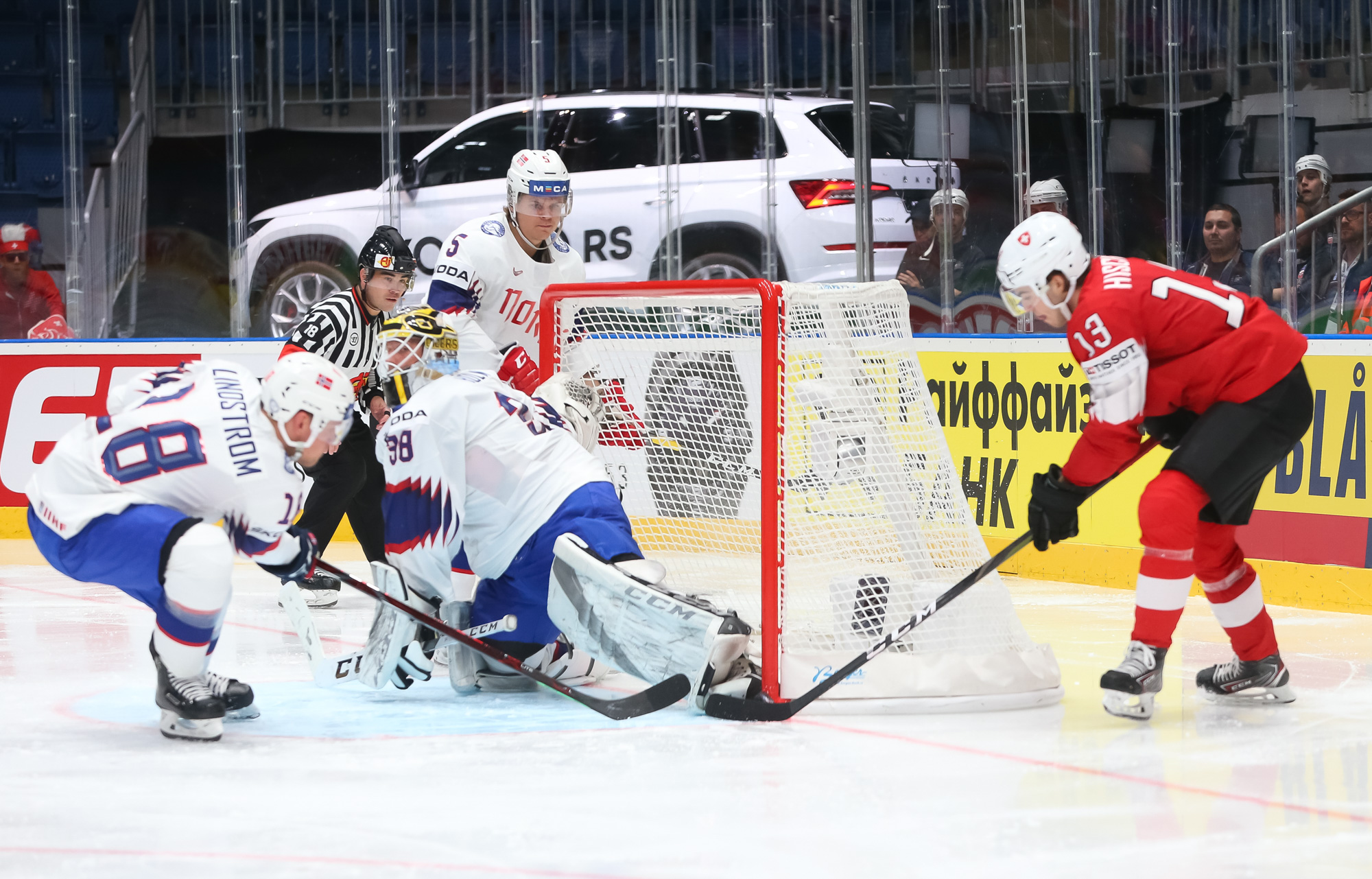 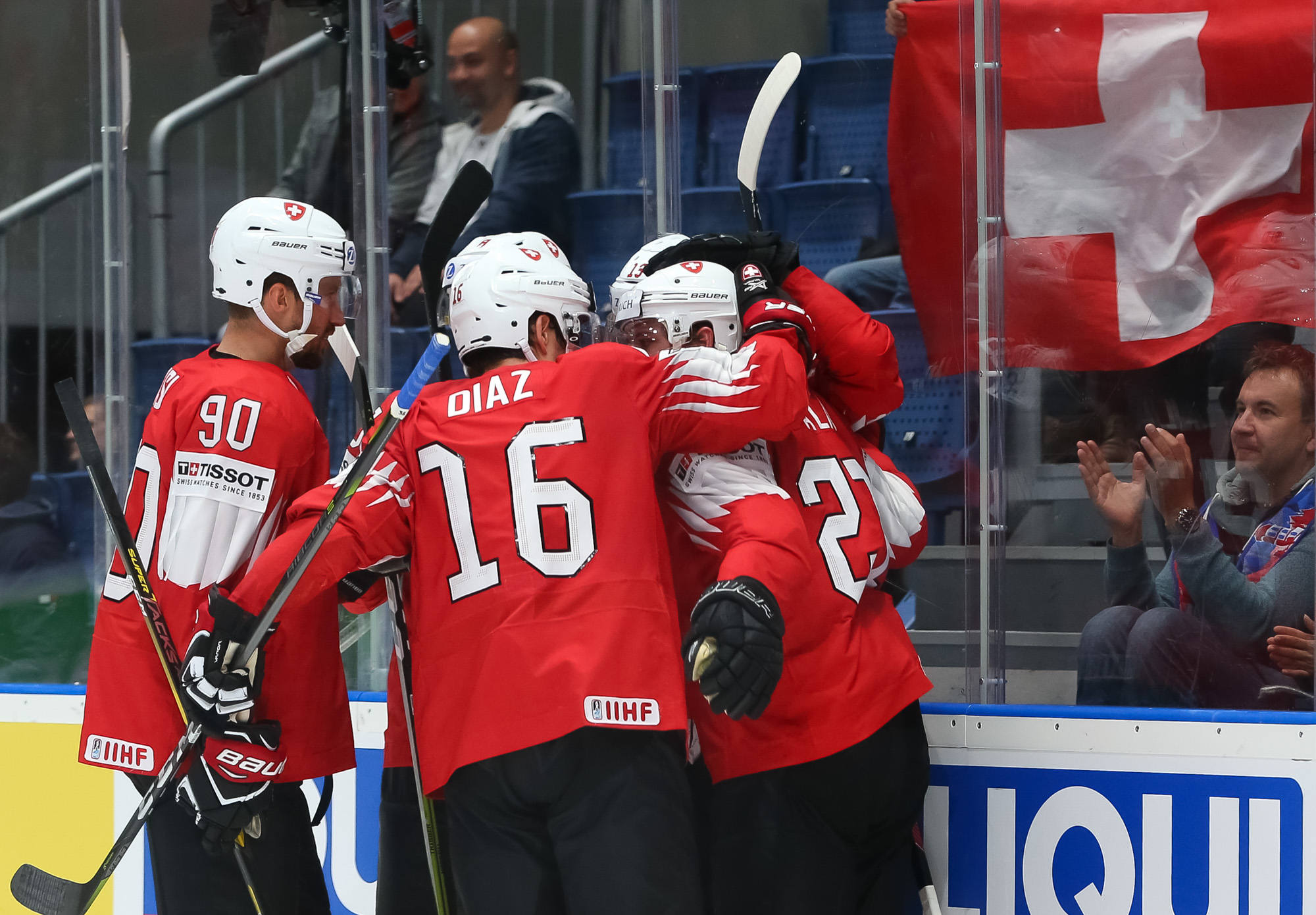 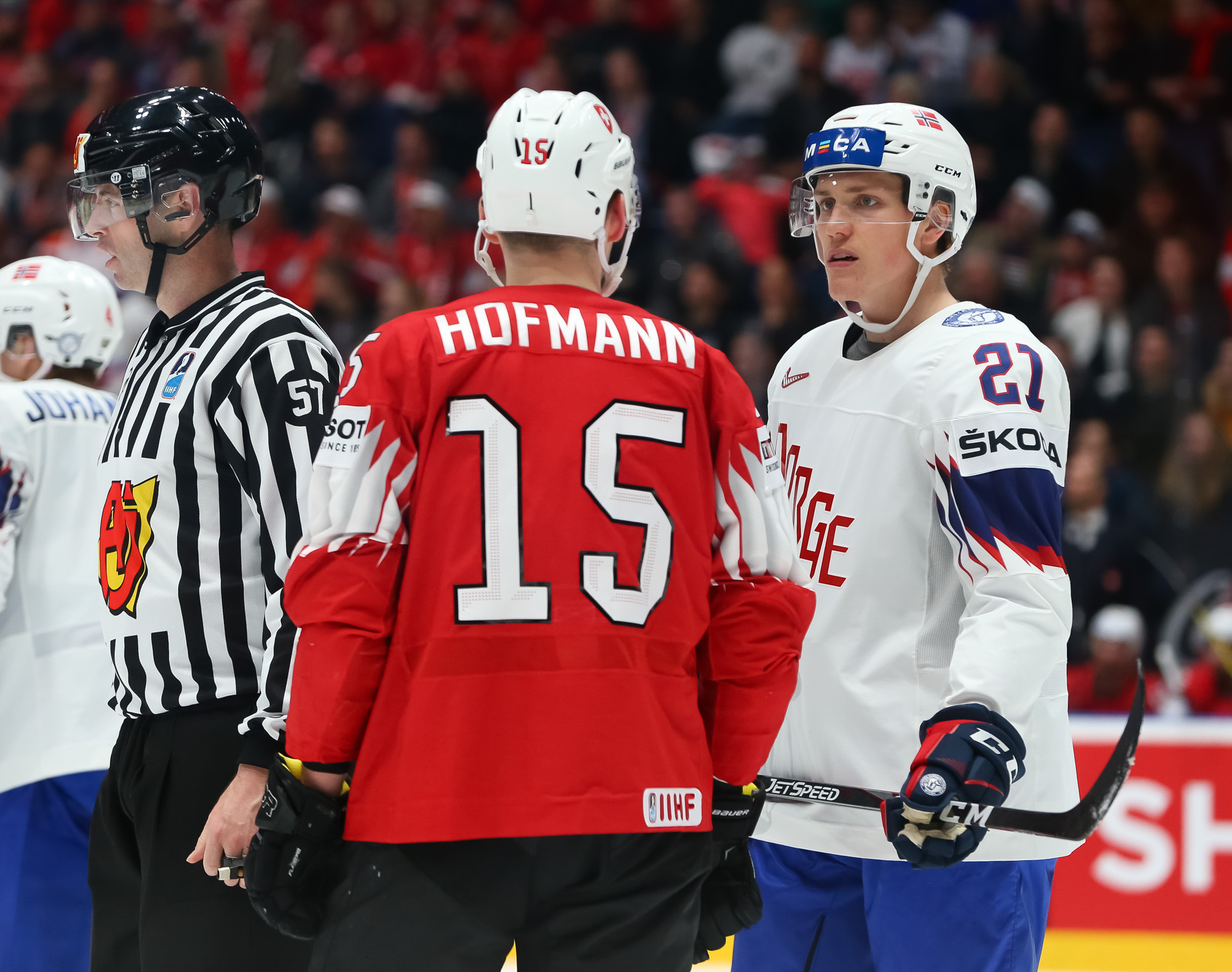 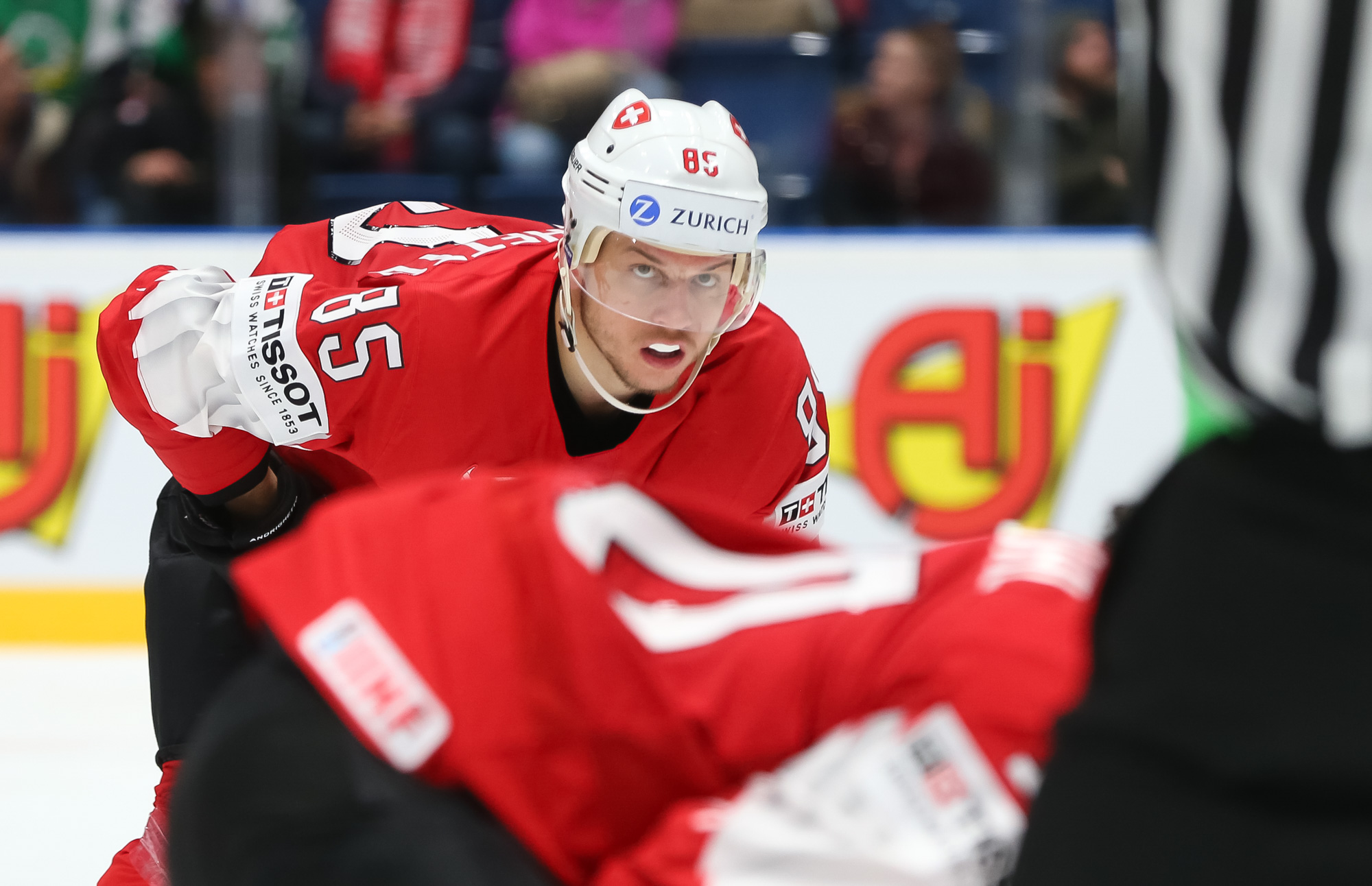 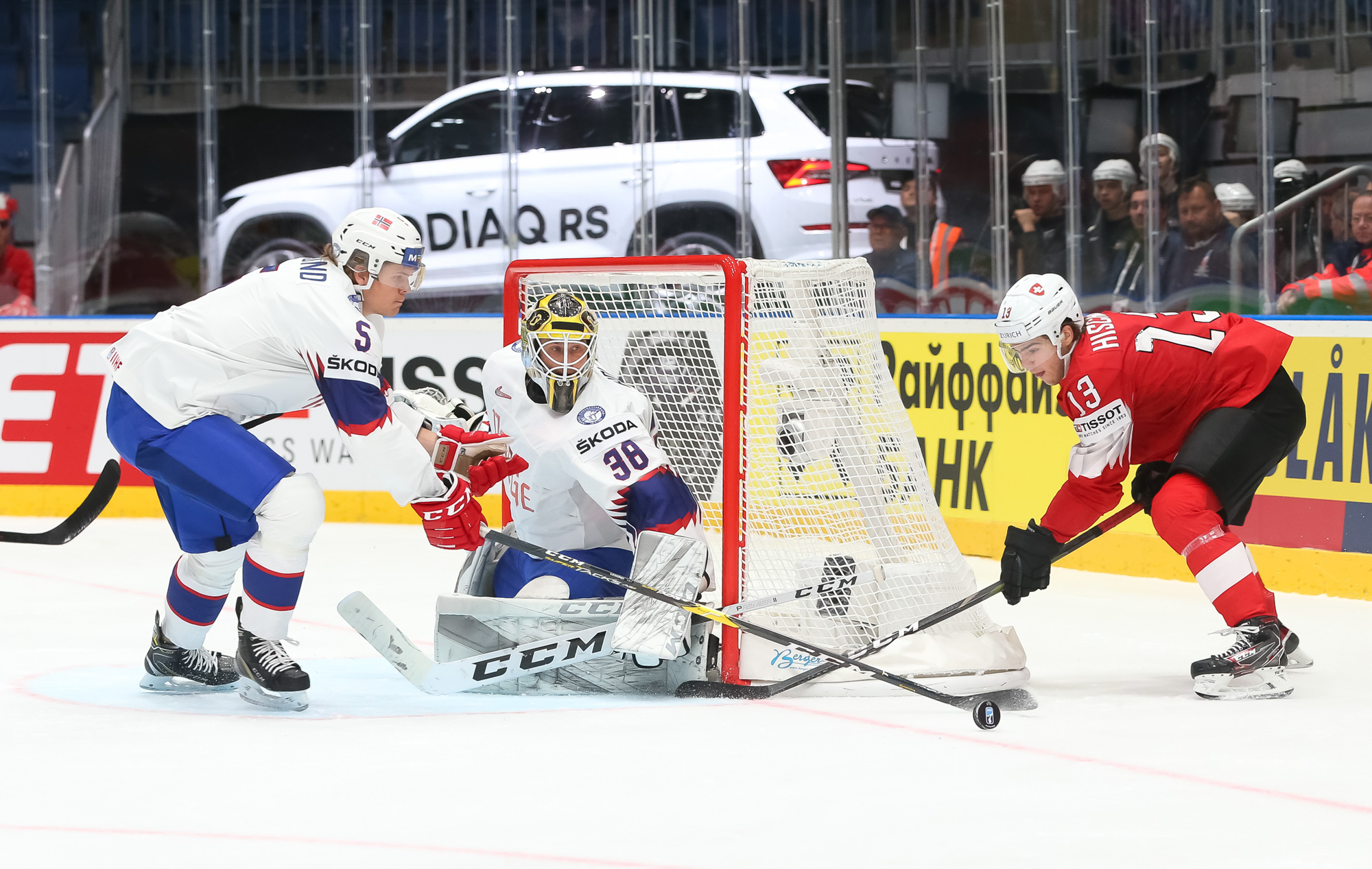 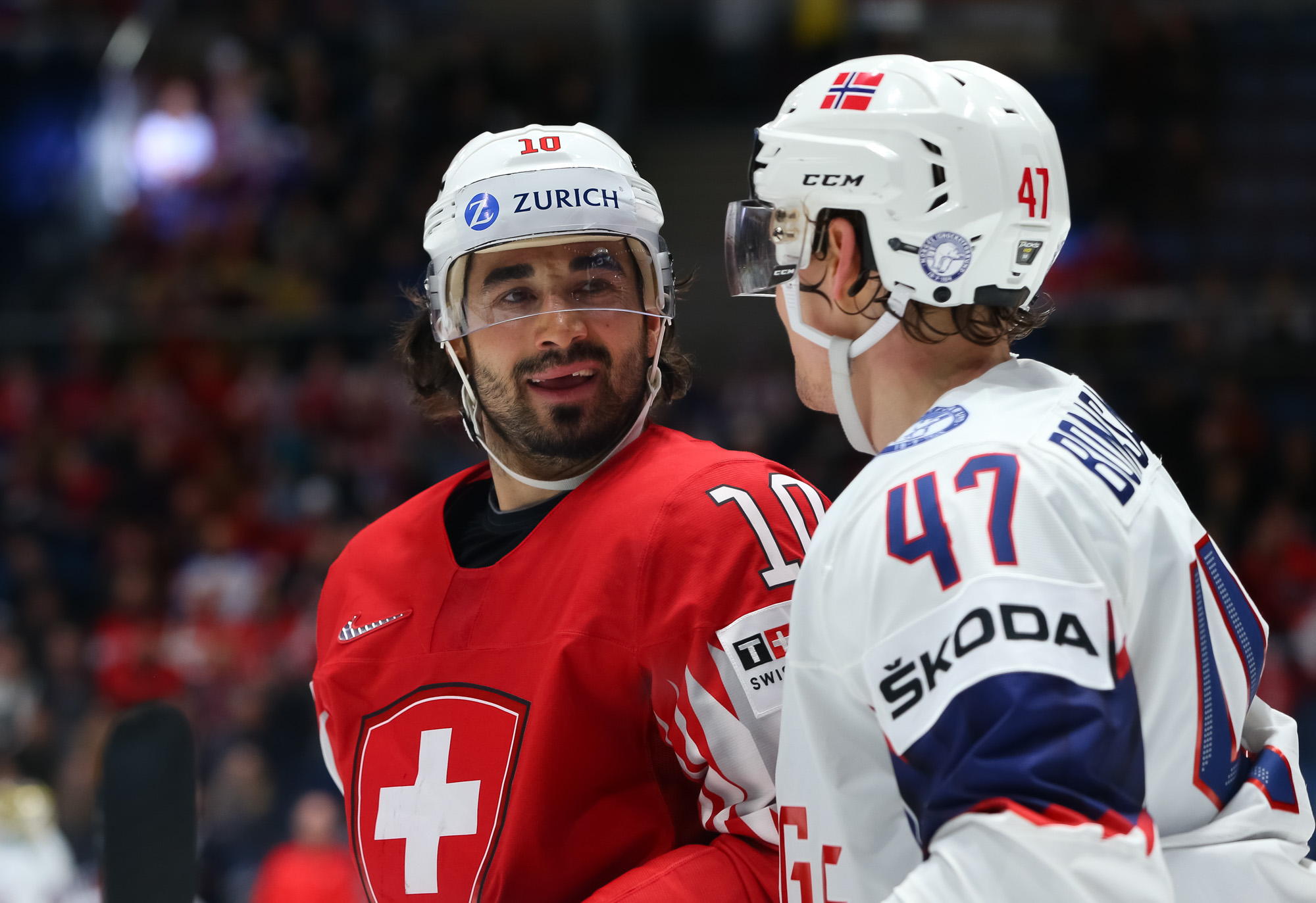 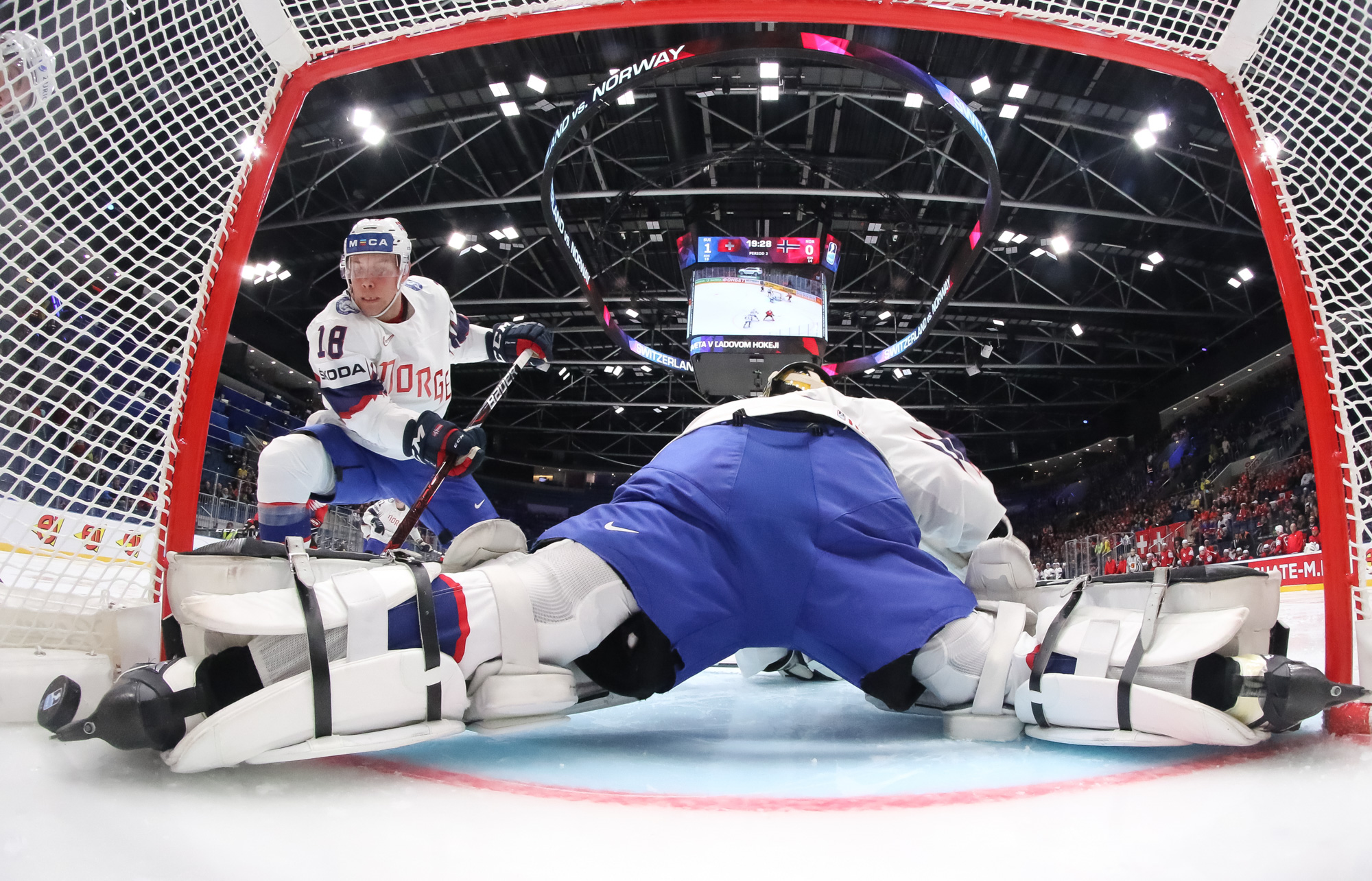 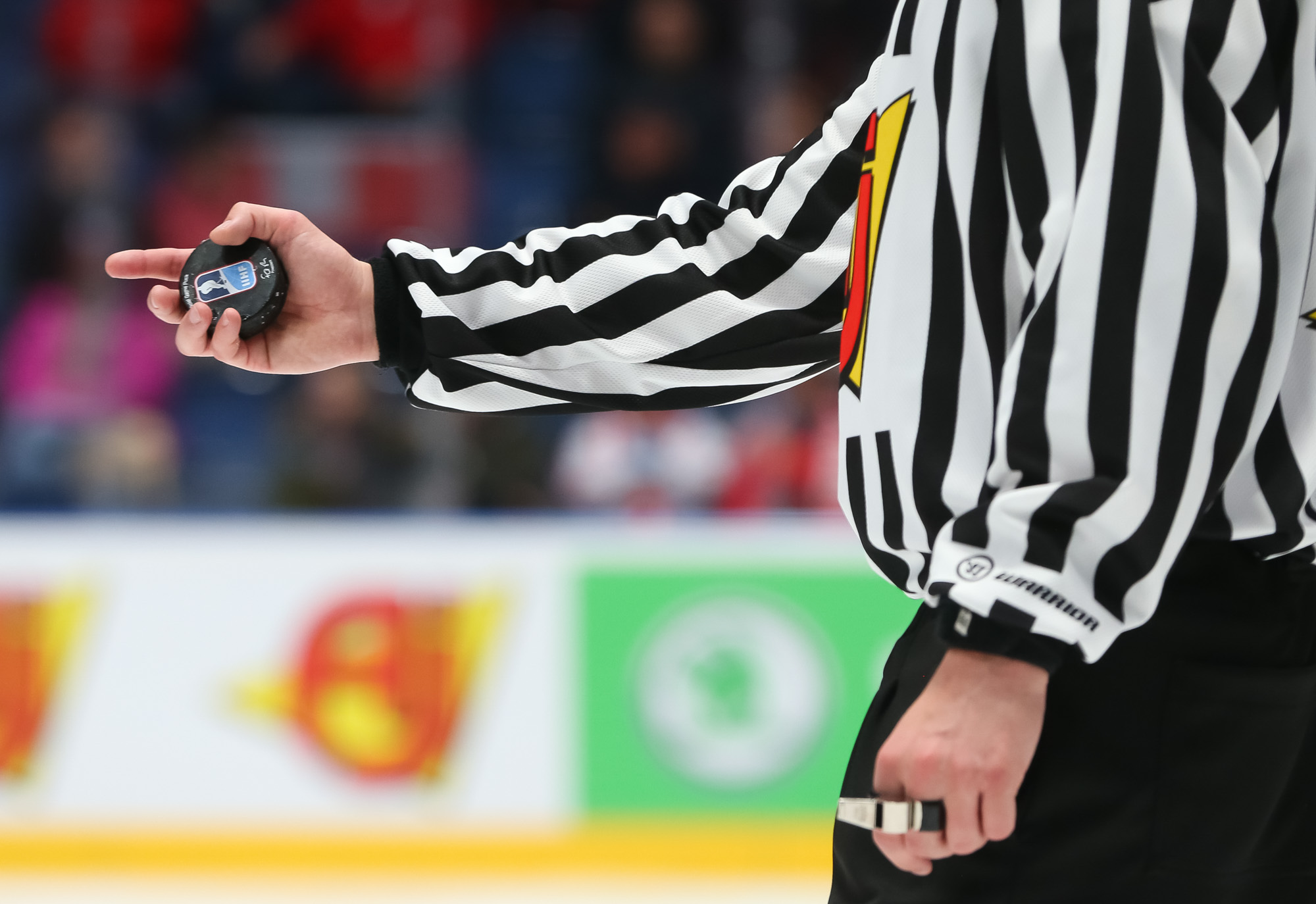 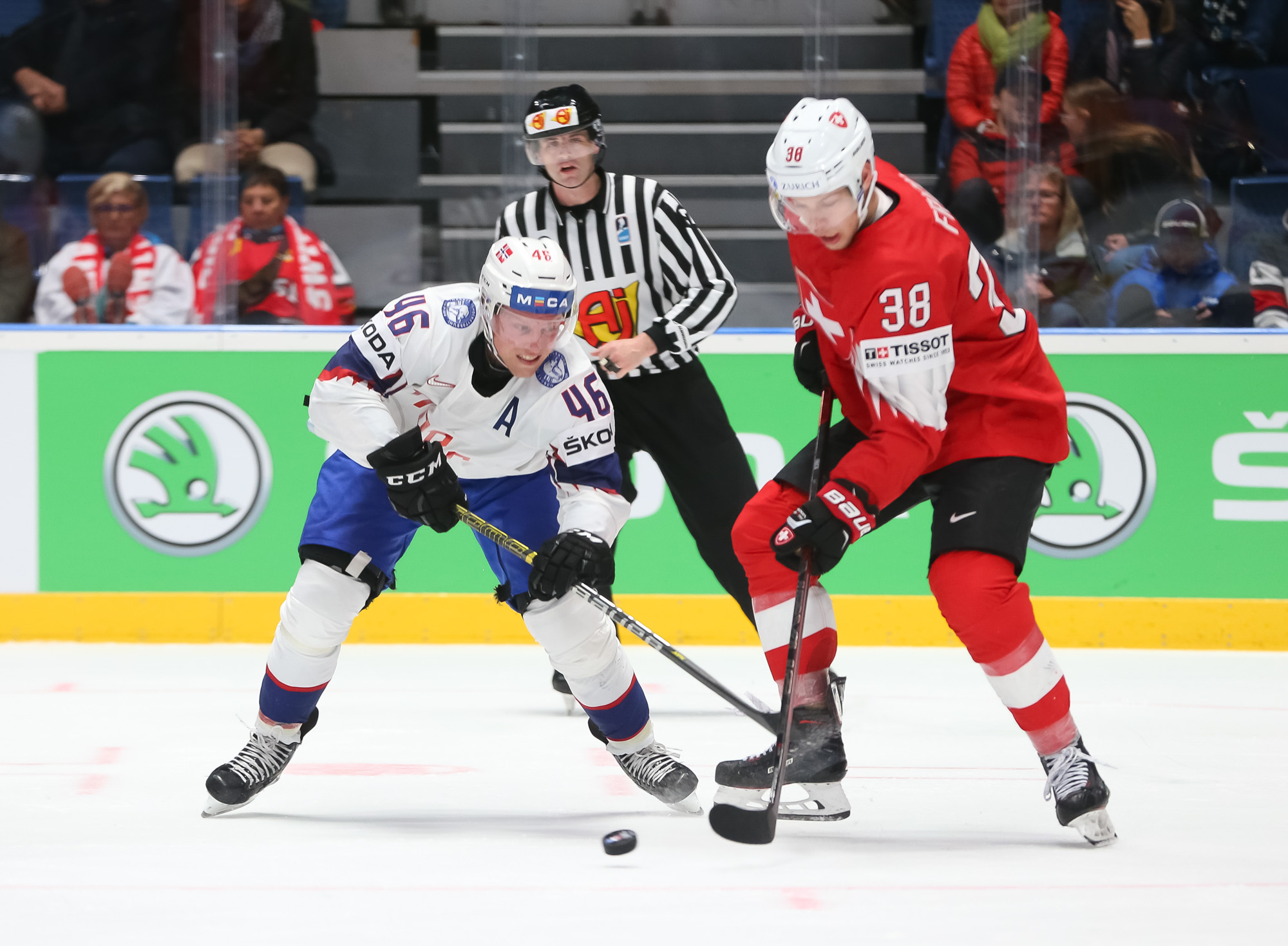 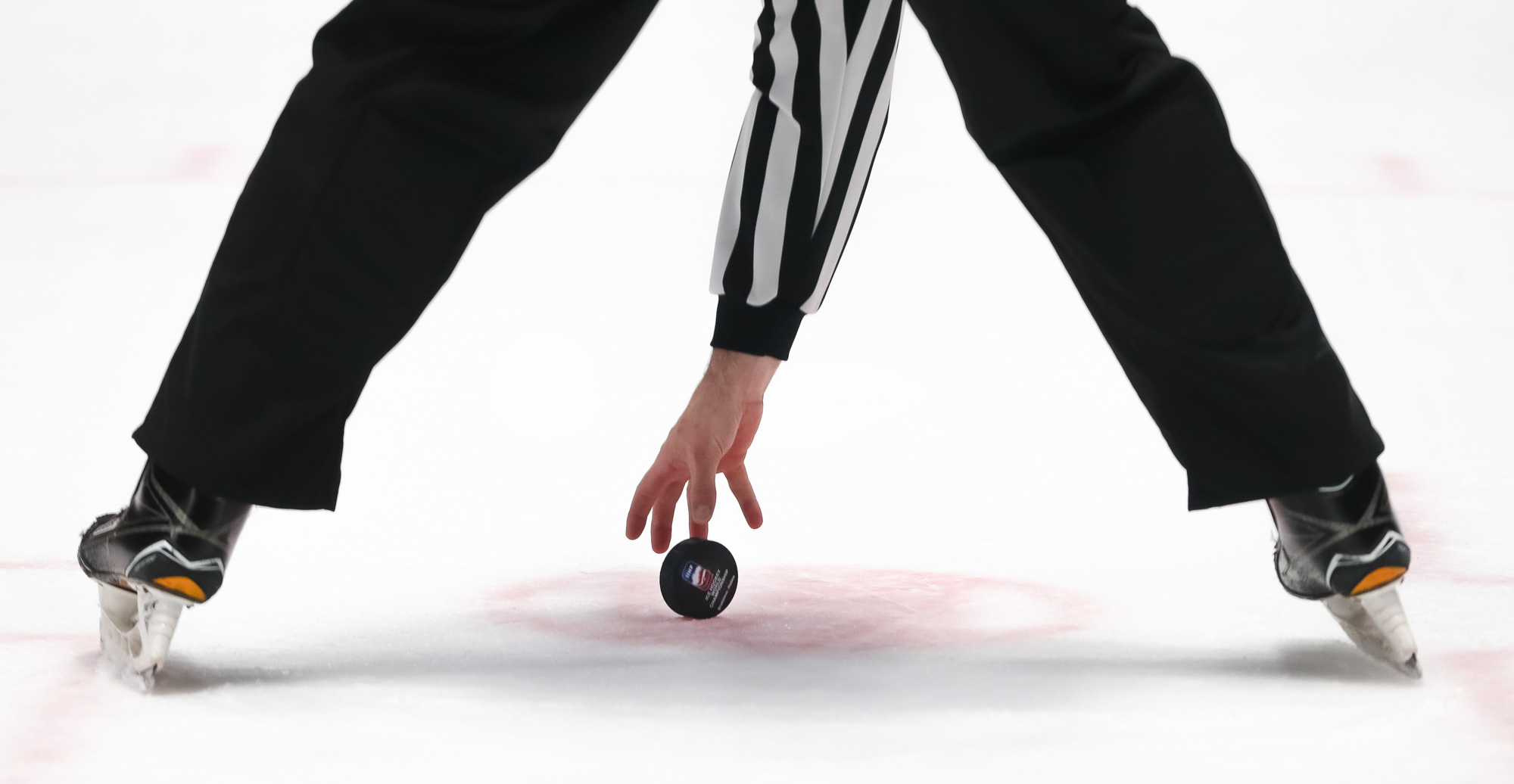 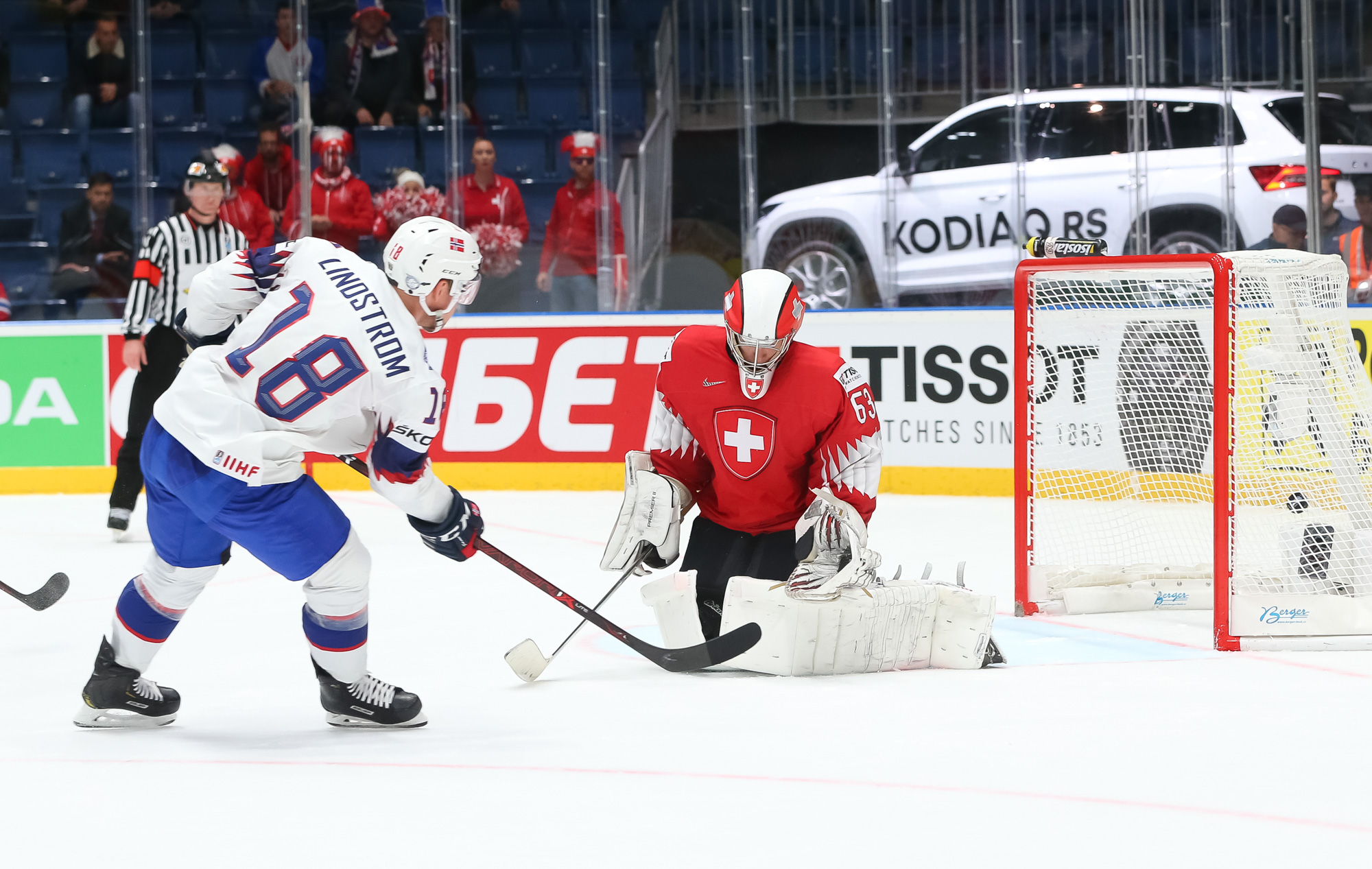 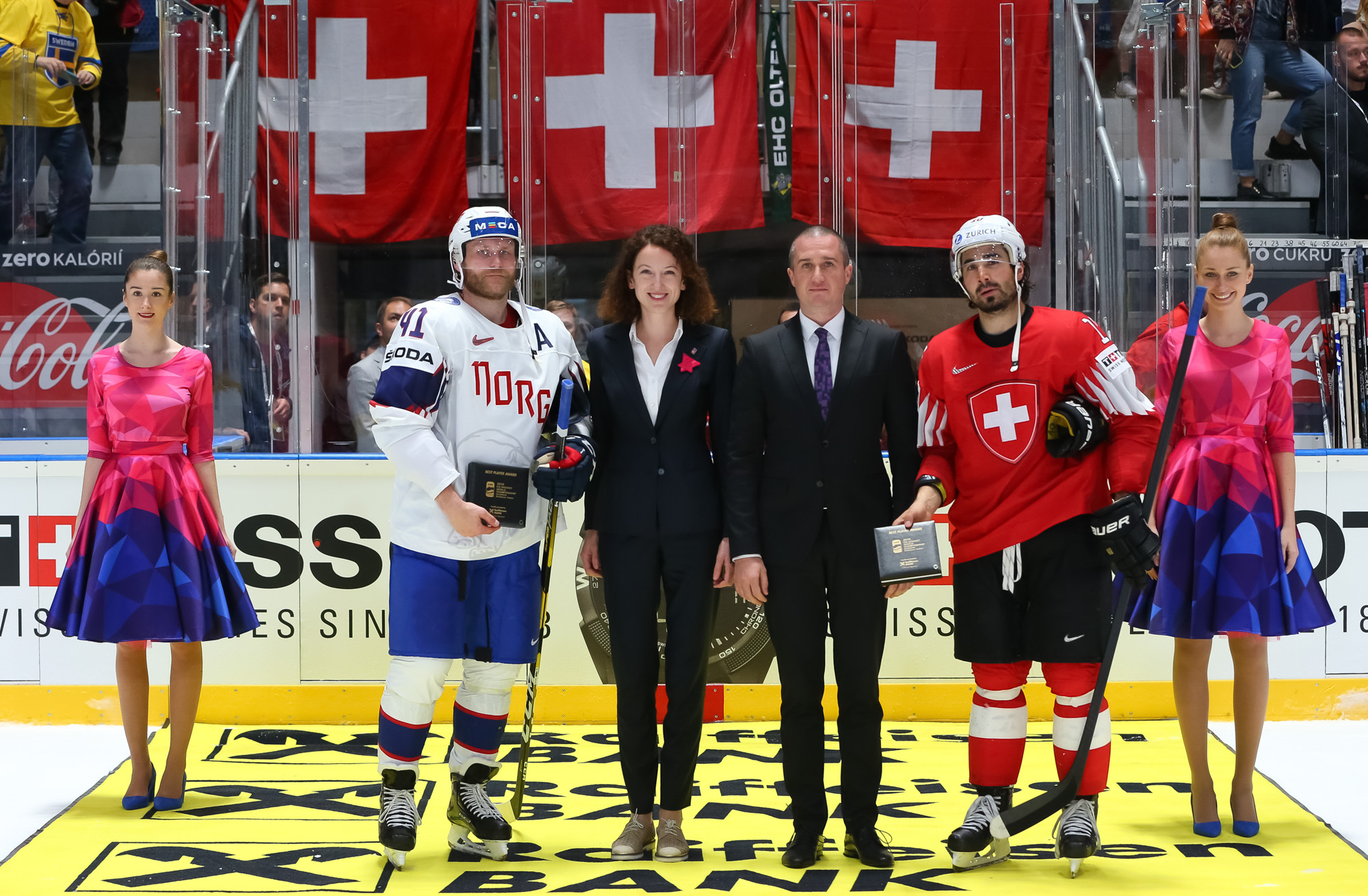 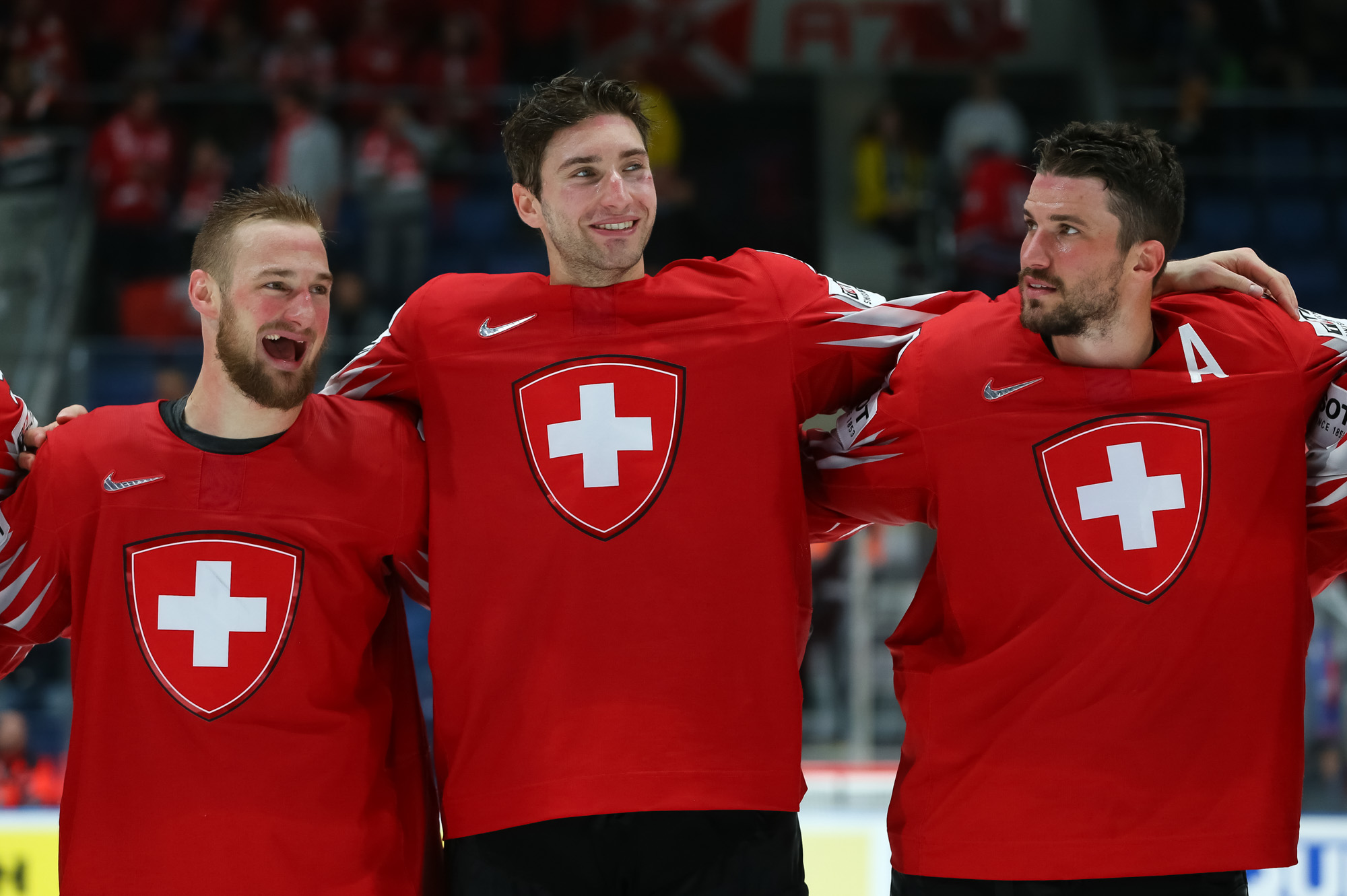 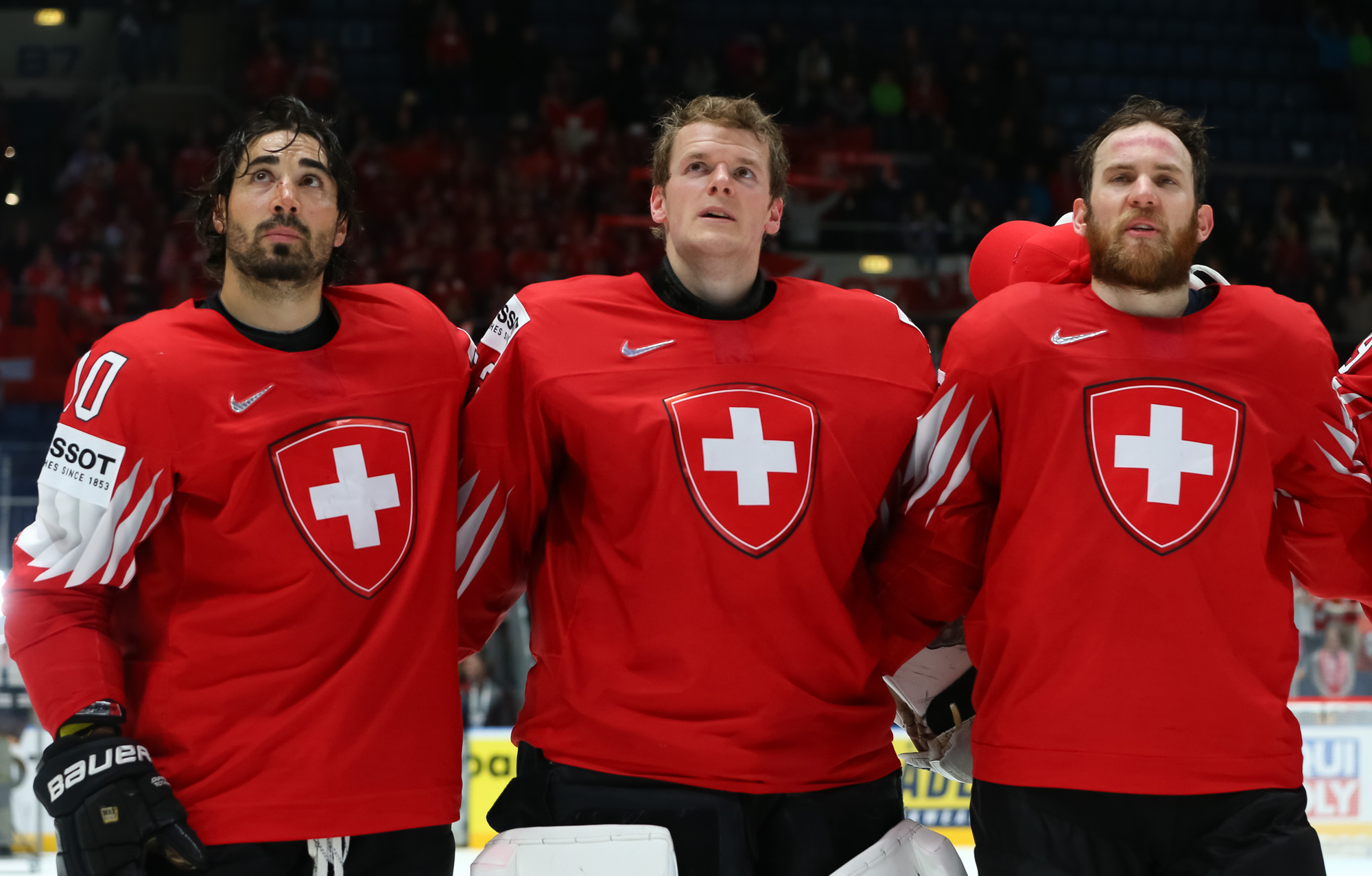 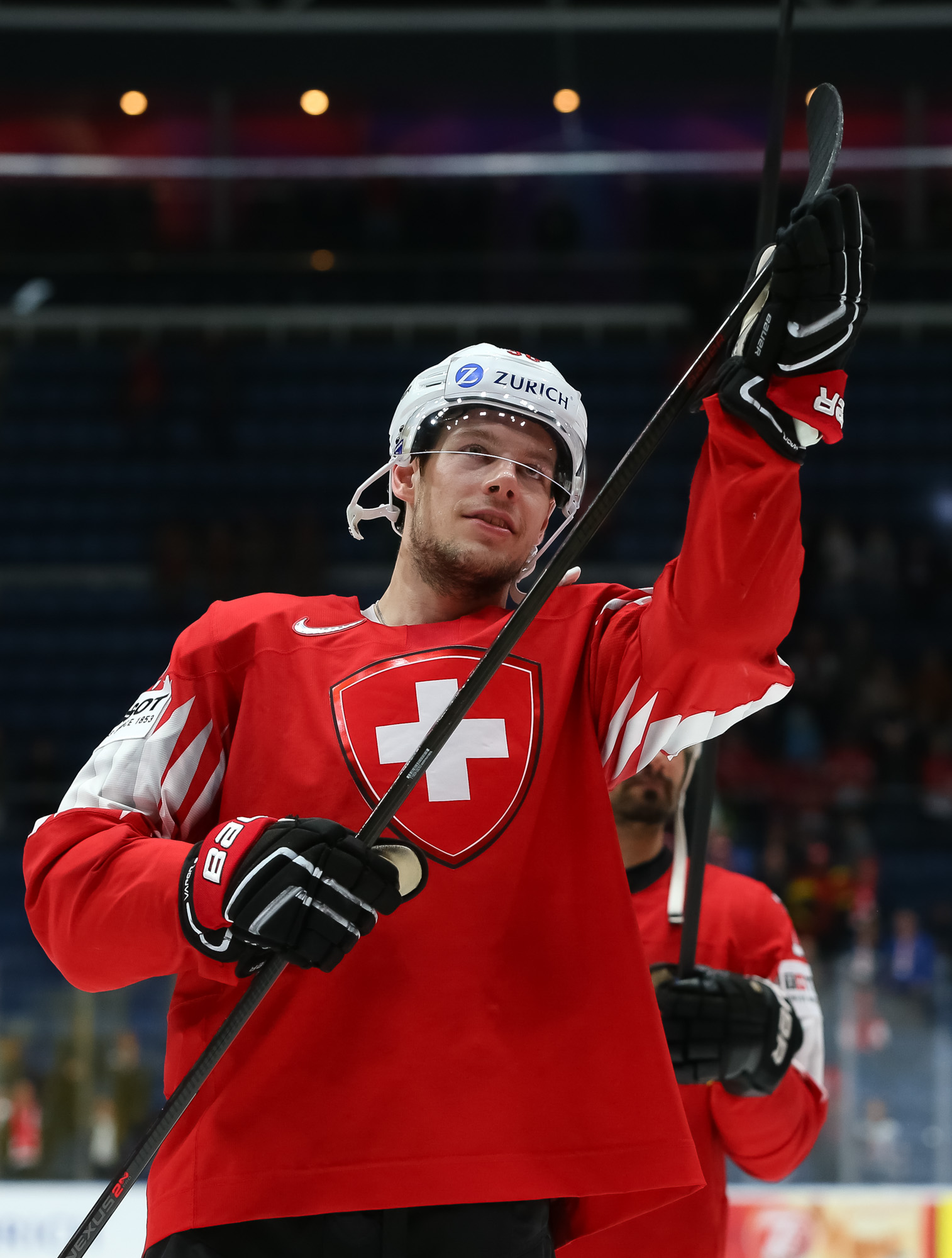 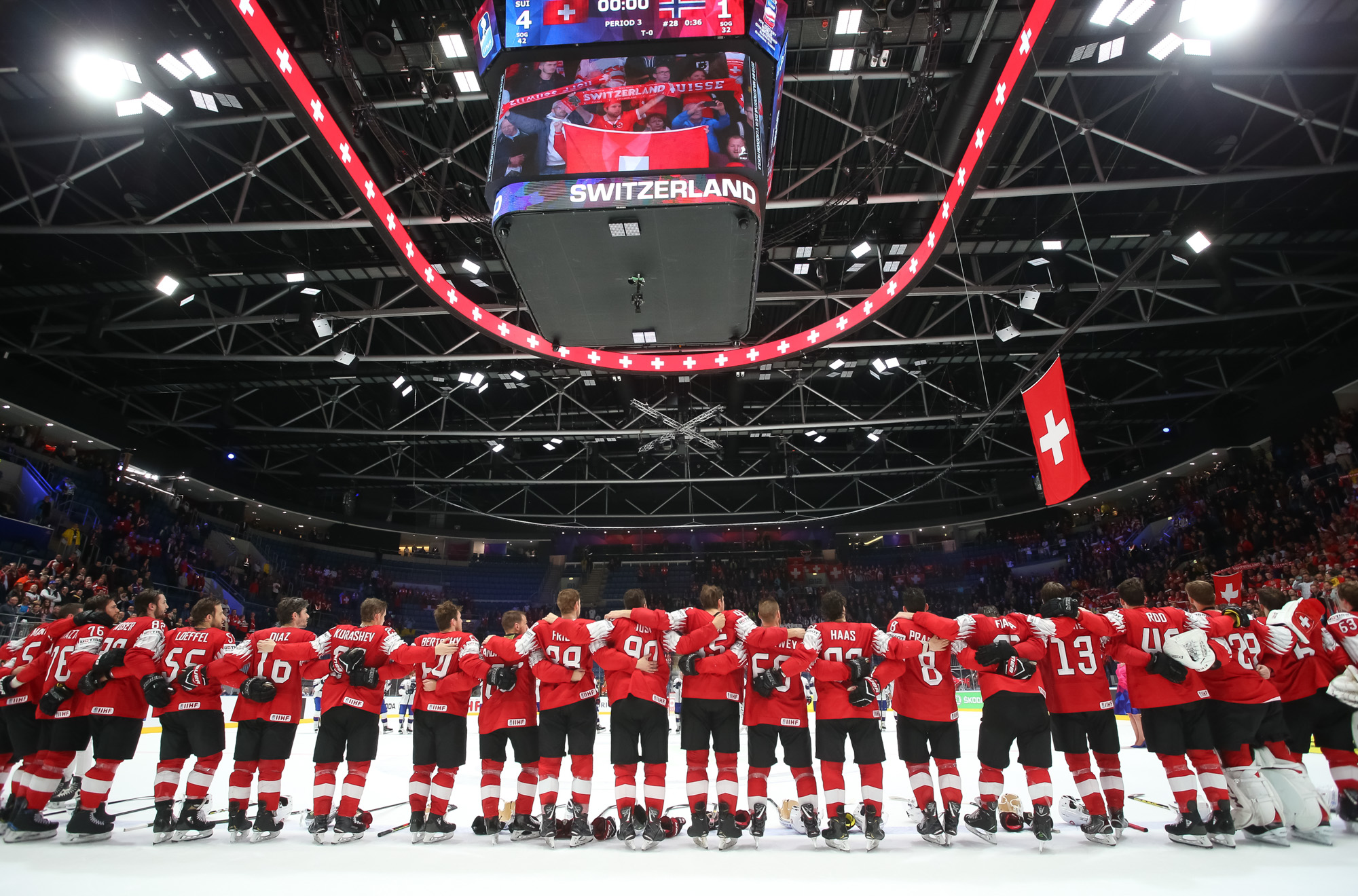 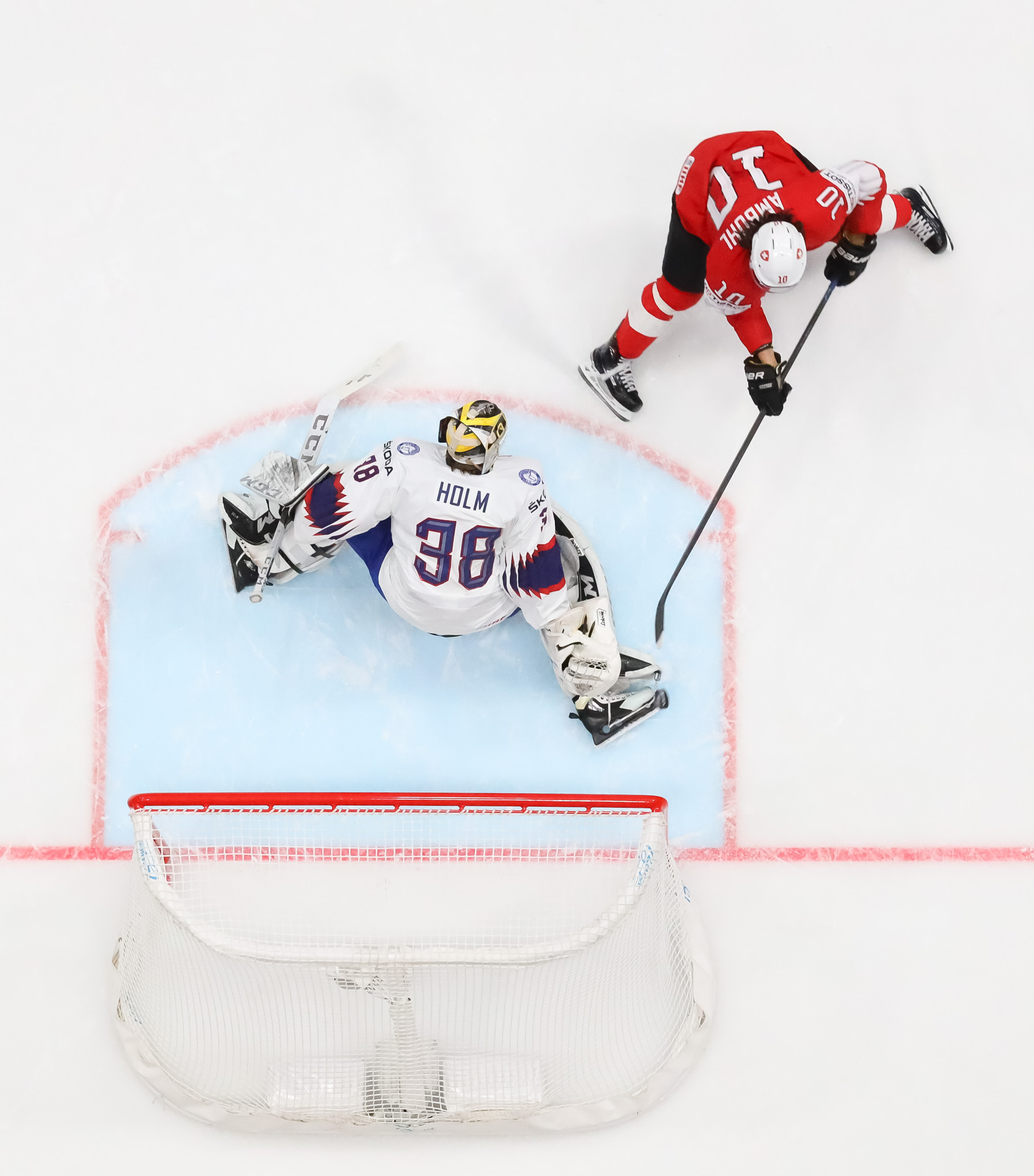 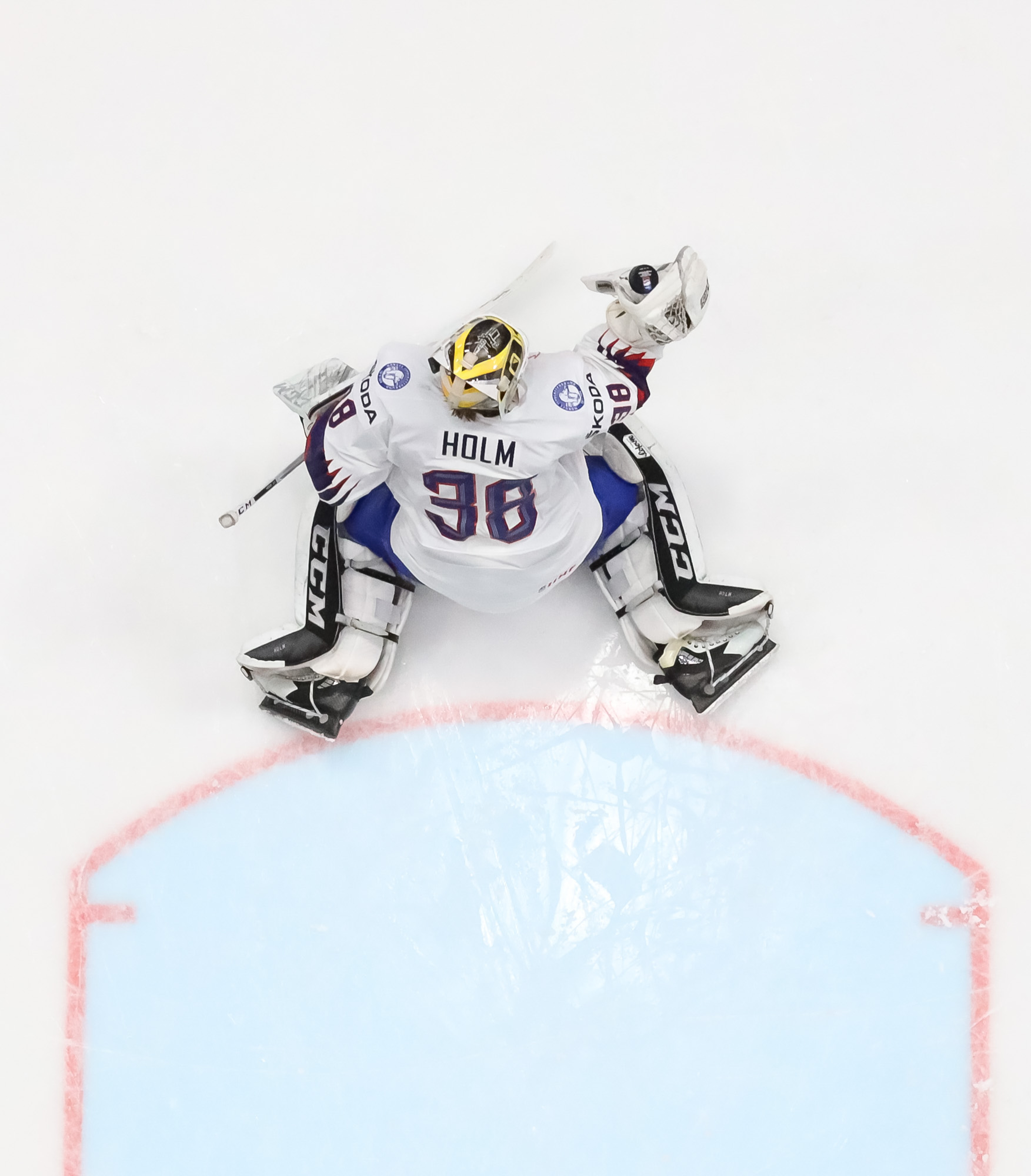 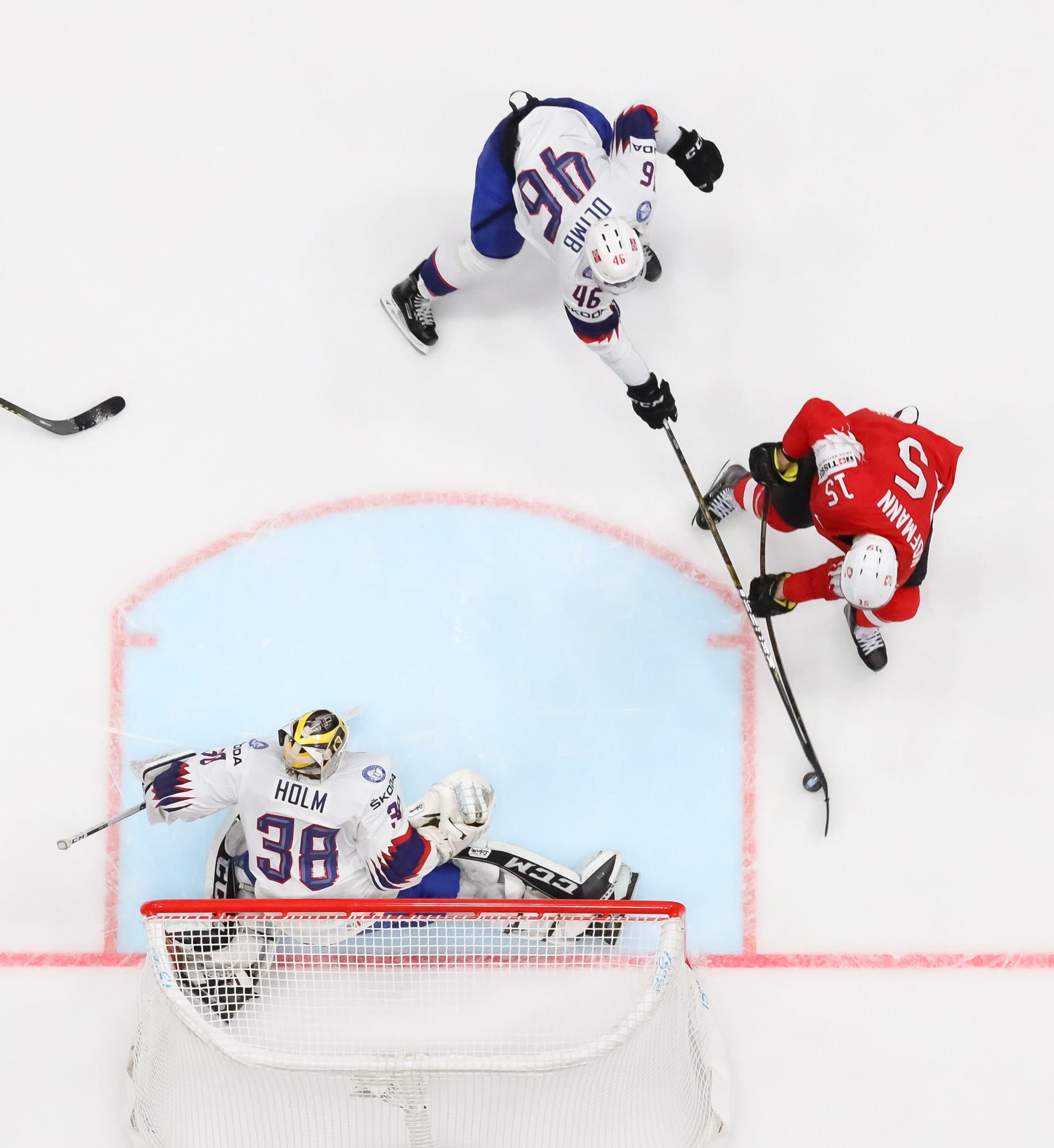 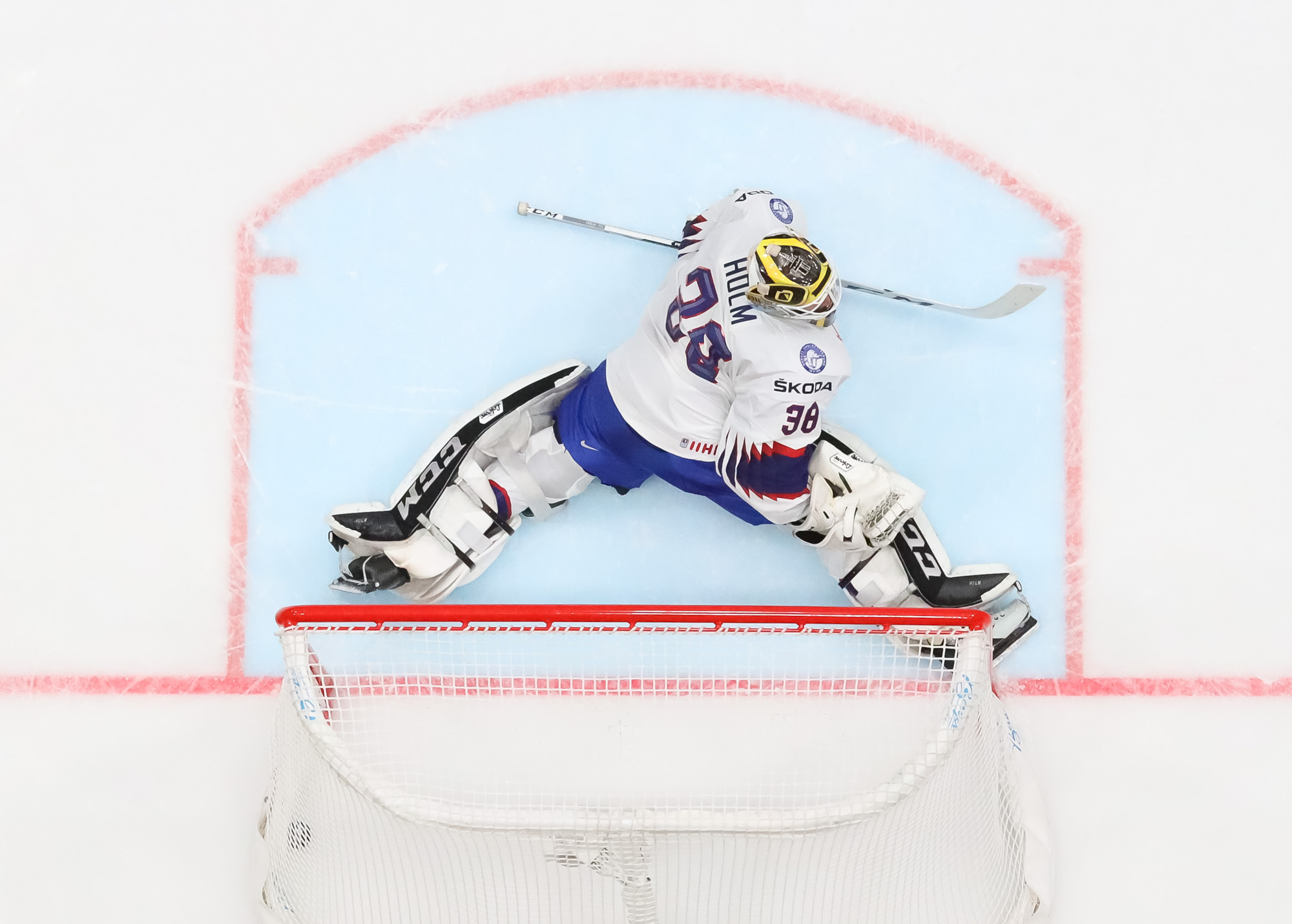