Russia enjoys record victory
Russian forward Yevgeni Dadonov with a scoring chance against Italian goaltender Marco de Filippo Roia.
photo: Andre Ringuette / HHOF-IIHF Images
share
Alexander Ovechkin’s scoring drought came to an end as Russia romped a record victory. Since the break-up of the USSR, the Russian national team had four times won by nine-goal margins (12-3 vs Great Britain in 1994, 10-1 against Kazakhstan in 2006, 10-1 against Denmark in 2016, 10-1 against Italy in 2017) but this was the first time the post-Soviet Red Machine had achieved a 10-goal margin of victory in competitive play at World, Olympic or Euro Hockey Tour level. The final score of 10-0 was still some way short of the USSR's best, a 28-2 hammering of Italy in 1967.

Ovechkin’s long-awaited first goal was one obvious highlight. The Capitals legend got Russia’s fourth late in the first period, much to the joy of his fans in the Ondrej Nepela Arena. But there was much more to enjoy: the two Nikitas, Gusev and Kucherov, were on song once again, combining to create three of Russia’s goals. Alexander Barabanov’s pace was an on-going threat, while Yevgeni Kuznetsov had a fine all-round game as he posted 2+2.

After finding the net, Ovechkin also found himself pursued by the media scrum after the game. Although the Russian team was clearly eager to finish the evening's formalities as quickly as it disposed of the Italians, he shared a few thoughts.

"Of course, a win like this lifts our confidence," he said. "But mostly I felt a bit sorry for the Italians tonight. They battled hard, they are good guys, but the different skill levels was immediately apparent.

"Scoring my first goal is just like ticking a box. I've done it, we'll move on. What more can I say."

Italy’s first task was to survive the first few shifts and frustrate Russia. That lasted for just 31 seconds. The Kucherov-Gusev axis came to the ice for the first time and the Italian defence was so concerned about closing those two that it left Nikita Zaitsev with all the time he could ask for to step up to the right circle and fire into the open side of Andreas Bernard’s net.

The two Nikitas combined for Russia’s second goal, moving the puck around the Italian end and setting up Dinar Khafizullin as he stepped up from the blue line to shoot home from between the hash marks. 2-0 inside nine minutes and already the question was about how many Russia might score.

Italy last scored a top-level World Championship goal on 13 May 2017, early in a 1-4 loss to Germany. Since then it had gone without for 295 minutes ahead of this game – but it came close to finding the net midway through the first period. Marco Rosa got on the end of an odd-man rush and squeezed a shot behind Andrei Vasilevski but the angle was too tight and the puck slipped across the face of the net to safety. It was Italy’s best chance of the first period.
World Men
Russia vs. Italy - 2019 IIHF Ice Hockey World Championship
Alexander Ovechkin’s scoring drought came to an end as Russia romped a record 10-0 victory against Italy.
RUS ITA 15 MAY 2019
If the Italians are enduring a World Championship scoring drought, Ovechkin was having similar problems here in Bratislava. The Great 8’s failure to score in Russia’s first three games attracted plenty of discussion back home and it seemed to sum up his recent fortunes when his line grabbed Russia’s third without his contribution. Barabanov’s pace down the left had the Italian defence all over the place and the SKA forward went behind the net before picking out Kuznetsov to make it 3-0.

At last, though, Ovi’s moment arrived. Kuznetsov turned provider, swinging the puck along the diagonal for Ovechkin to smash home a one-timer from the left-hand dot. Bernard got a piece of it but couldn’t keep it out; the Italian goalie’s frustration was more visible than any relief on Ovechkin’s part.

Wave after wave of Russian offence crashed into the Italian net, but there was some relief for Italy in the final minute. Mikhail Sergachyov’s slap shot flew past Bernard but Gusev’s efforts to screen the goalie saw him take up a position on the paintwork; goalie interference, goal disallowed.

In the second period, Russia needed just 18 seconds to find the net. Again, it was a Capitals combination. Dmitri Orlov found Ovechkin, and he released Kuznetsov for a solo duel with Bernard. The goalie came off worst and was called to the bench to be replaced by Marco de Filippo.

The goals kept coming. Ilya Kovalchuk wired a wrister over Filippo’s glove. Dadonov went close to grabbing the goal of the game after stickhandling to the net follow some sublime build-up play. He did not wait much longer, though, scoring on the power play after another deadly link-up from Gusev and Kucherov. Even when short-handed, Russia was dangerous. Anisimov sat for tripping, Barabanov led a breakaway but seemed to have lost out when one trick too many against Alex Trivellato left both players stepping away from the puck. But Barabanov recovered possession and found Mikhail Grigorenko on the doorstep for a simple finish to make it 8-0 at the end of the second period.

The third period saw Kucherov add a goal to his earlier hat-trick of assists. A rather tired-looking Italian defence created little puck pressure and the Lightning forward was able to get a centre point shot past Filippo on the glove side. Within a minute Dadonov brought up double figures – and collected his sixth of the tournament – when he retrieved the puck from the skates of an Italian defenceman and put it in the net. That opened the record-breaking 10-goal margin for Russia, but it took the crossbar to keep that lead fully intact after Diego Kostner's shot evaded Vasilevski only to fly to safety off the piping.

The Russian goalie acknowledged that, after his heroics against the Czechs, facing Italy brought a very different kind of challenge. "For me, in some ways, this was a tough game," he said. "I didn't face many shots, I was getting cold out there, but I had to stay focussed because the Italians were getting some counter-attacks.

To their credit, the Italians kept battling to the end and launched several crowd-pleasing attempts on goal in the closing stages. However, there would be no consolation goal as Russia secured a third shutout in a row and improved to four wins from four. Italy remains at the foot of the Group B table with no points and no goals from four games. Upcoming encounters with Norway and Austria, also winless, will determine the outcome of the relegation battle.
Russia vs. Italy - 2019 IIHF Ice Hockey World Championship 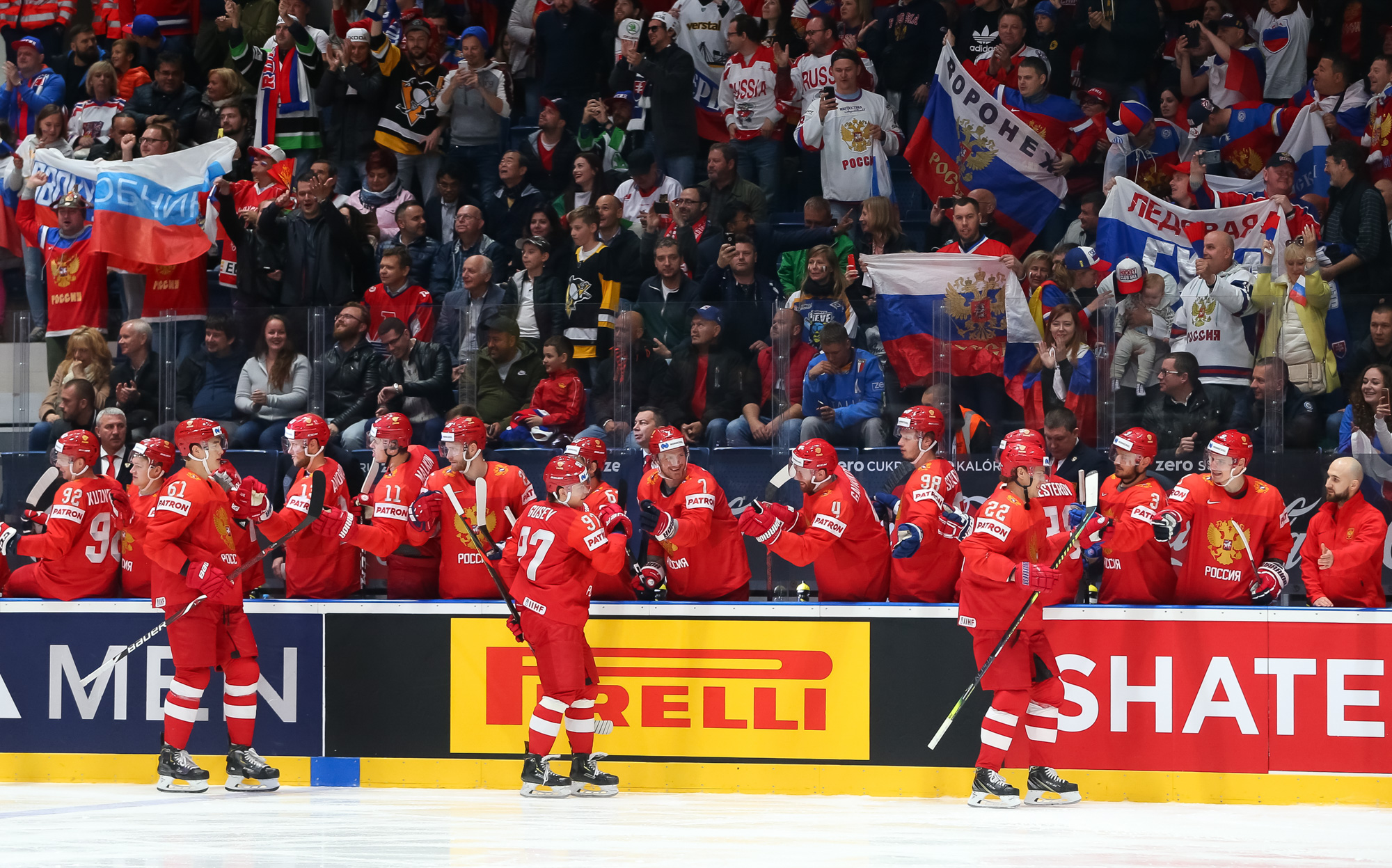 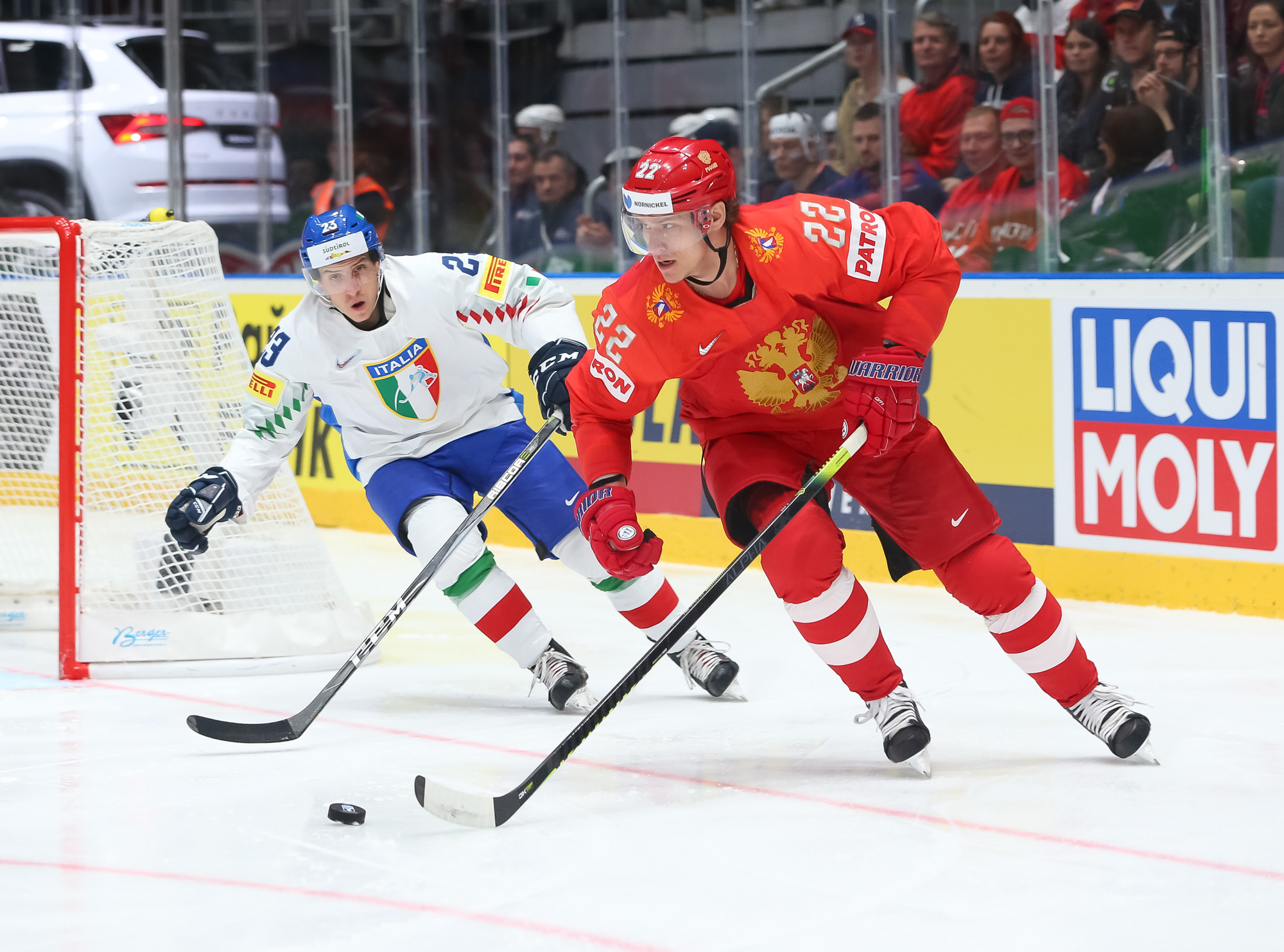 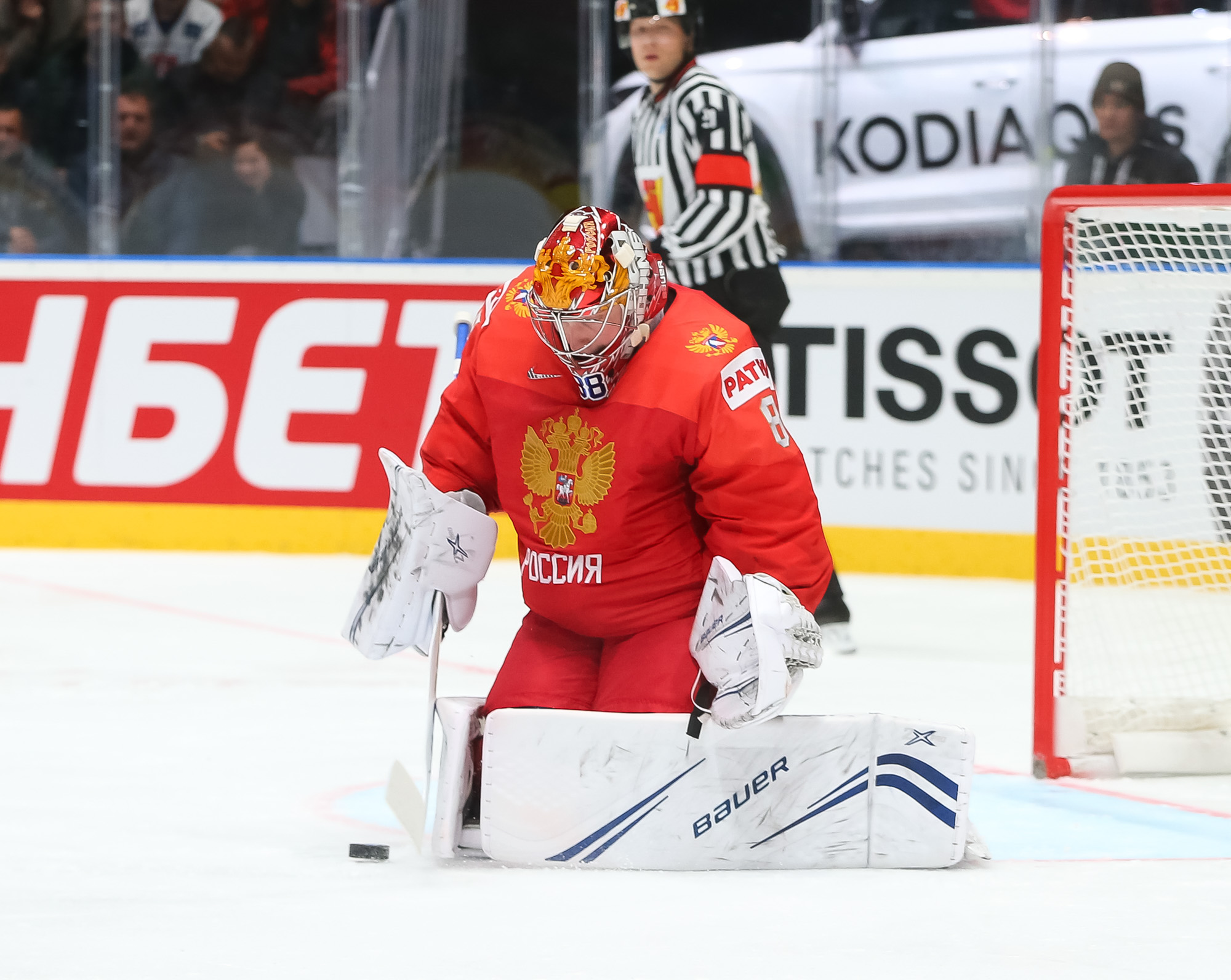 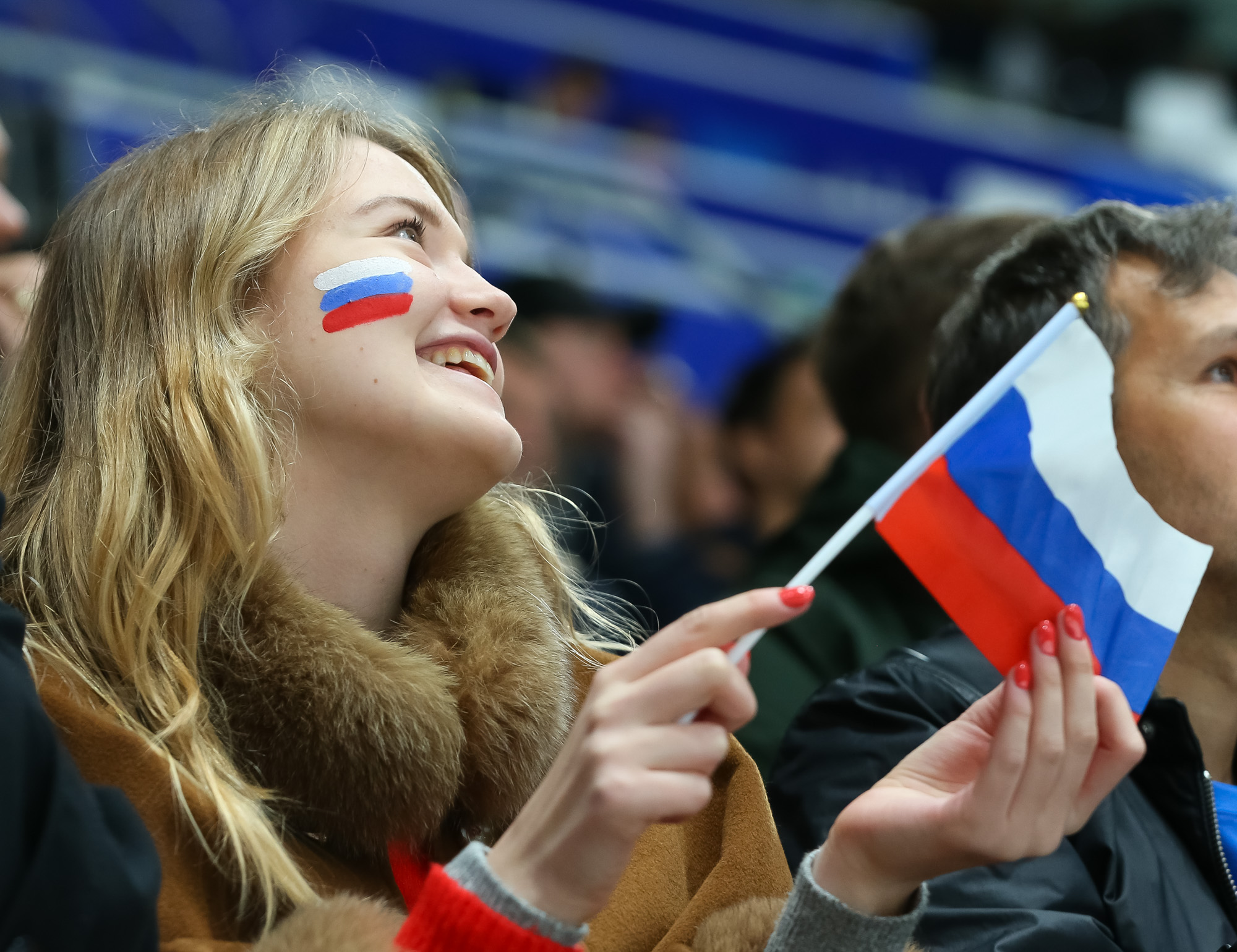 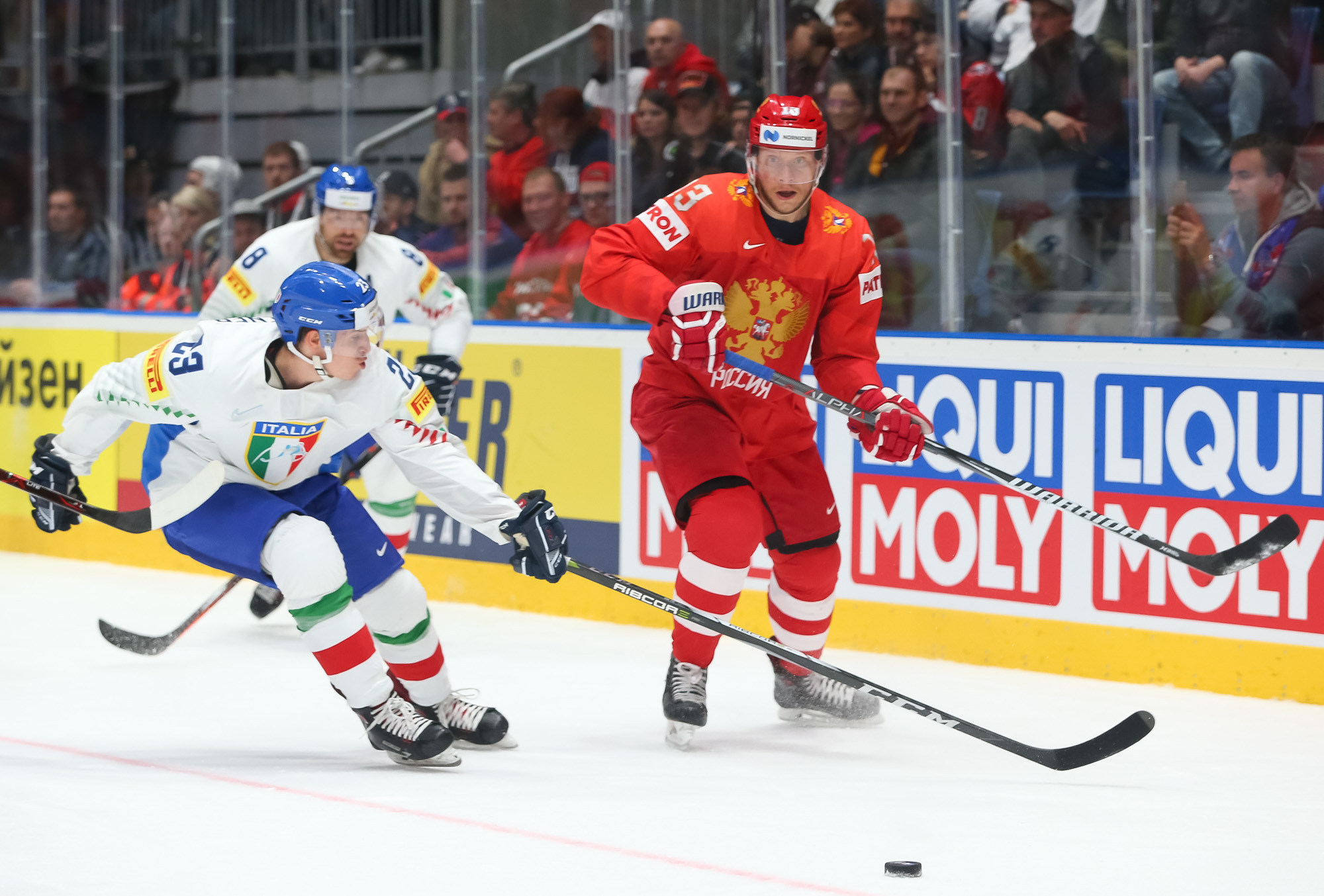 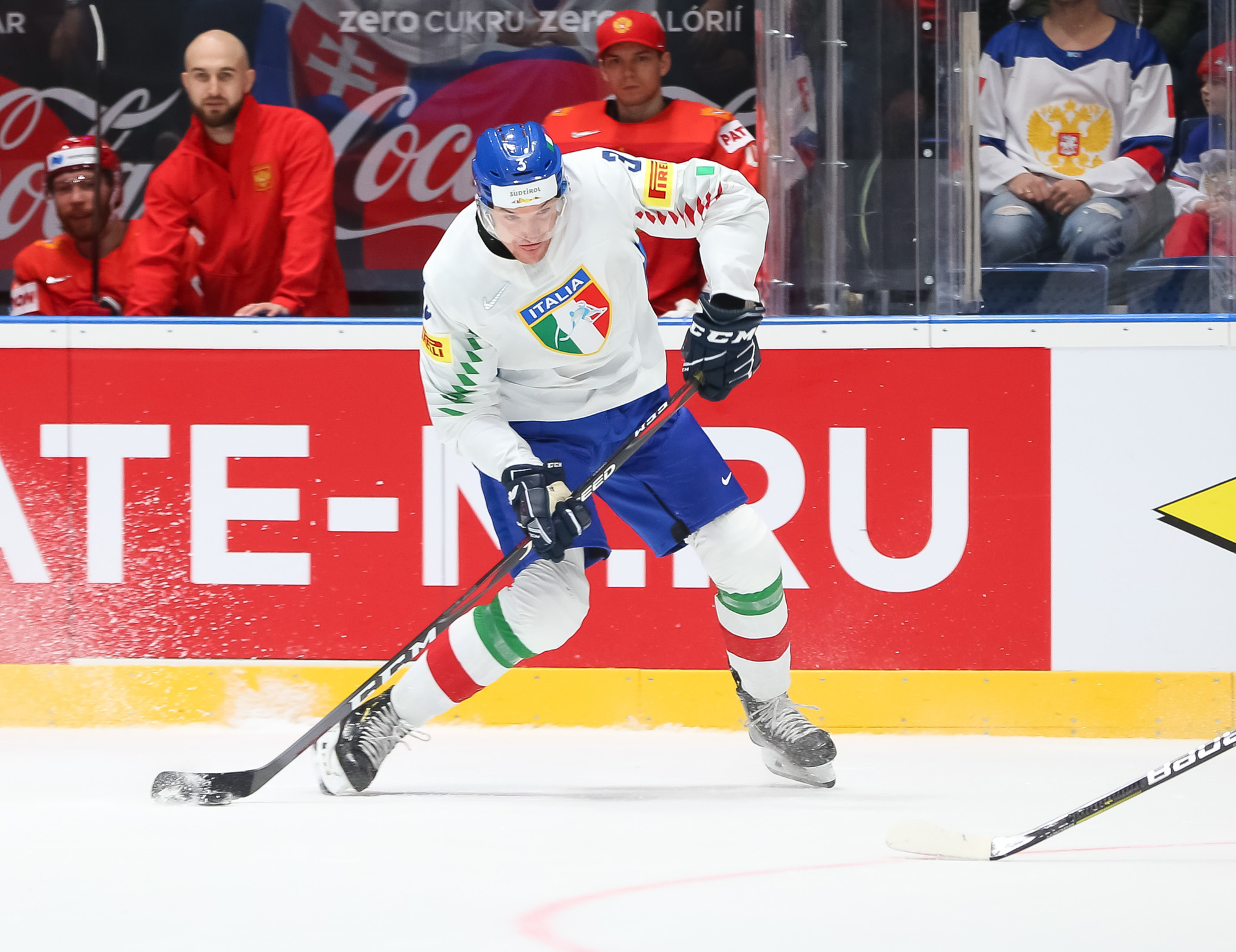 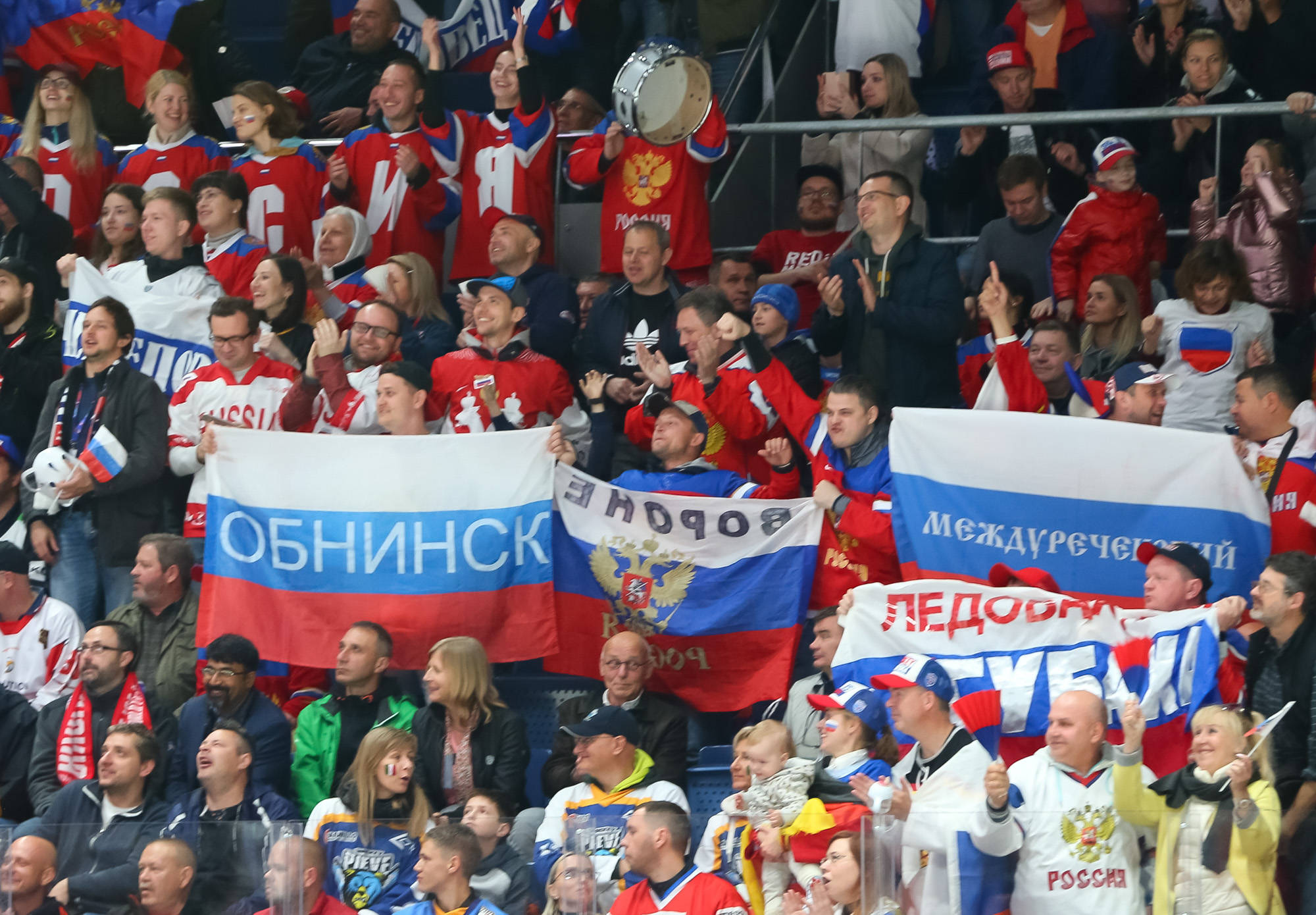 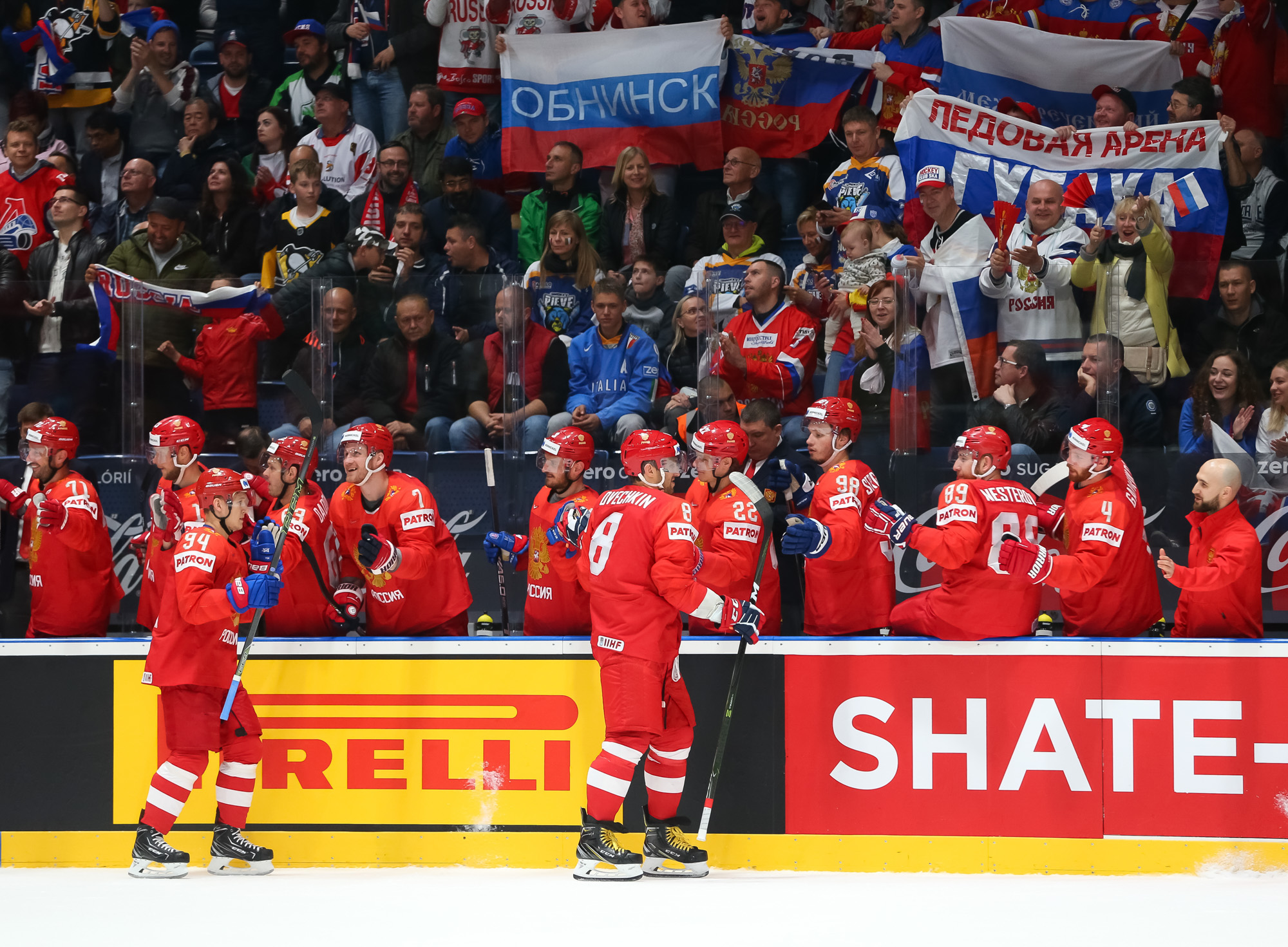 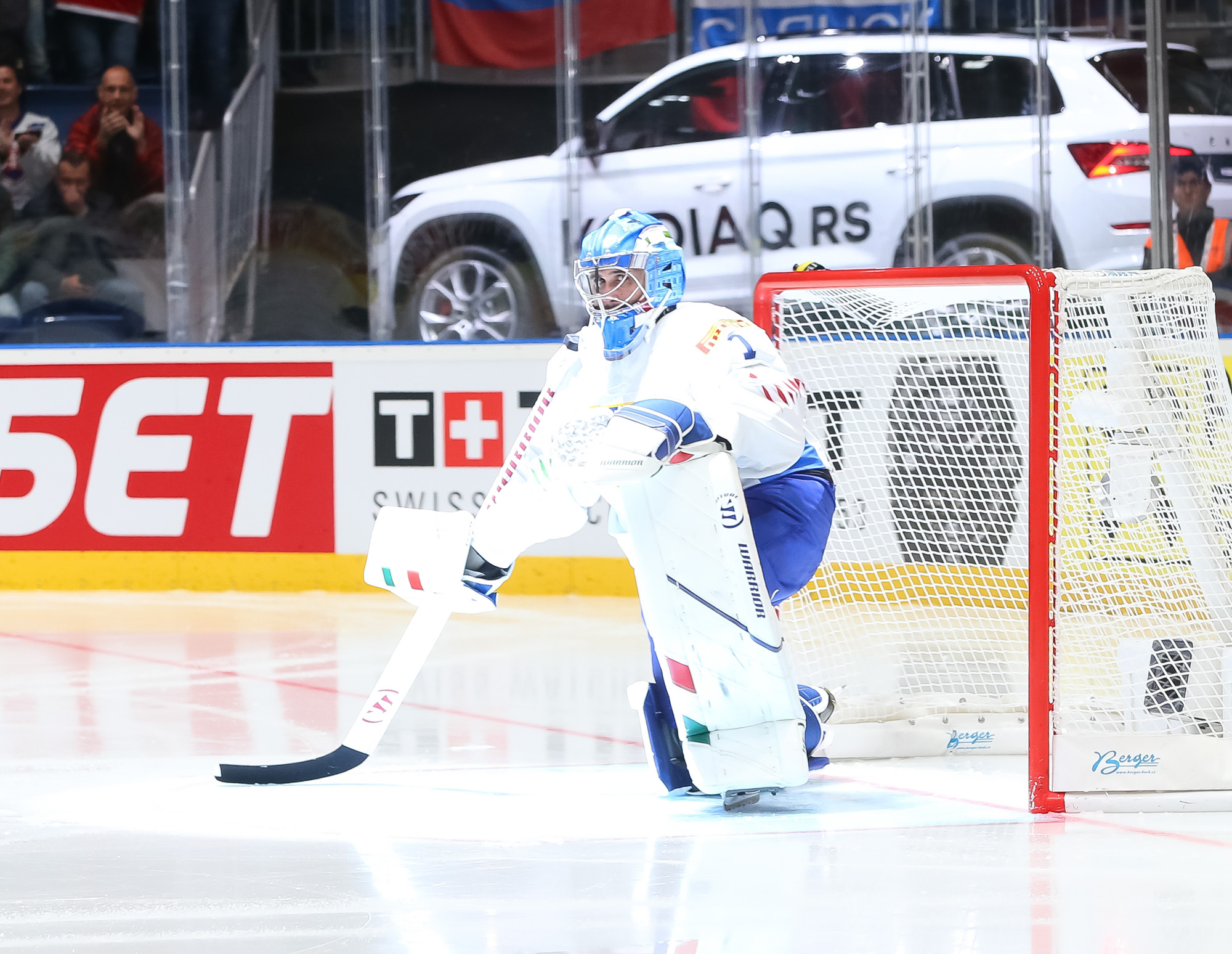 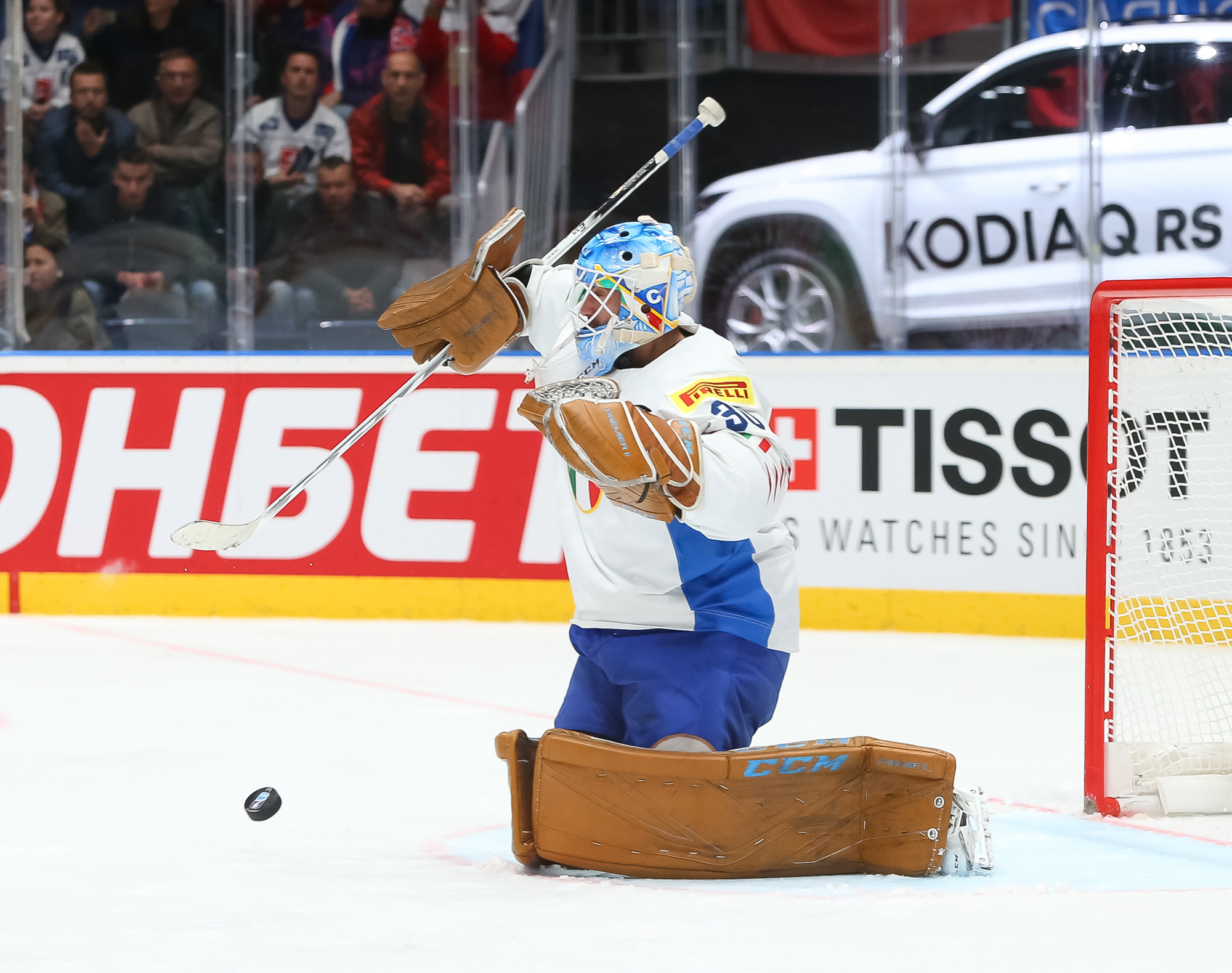 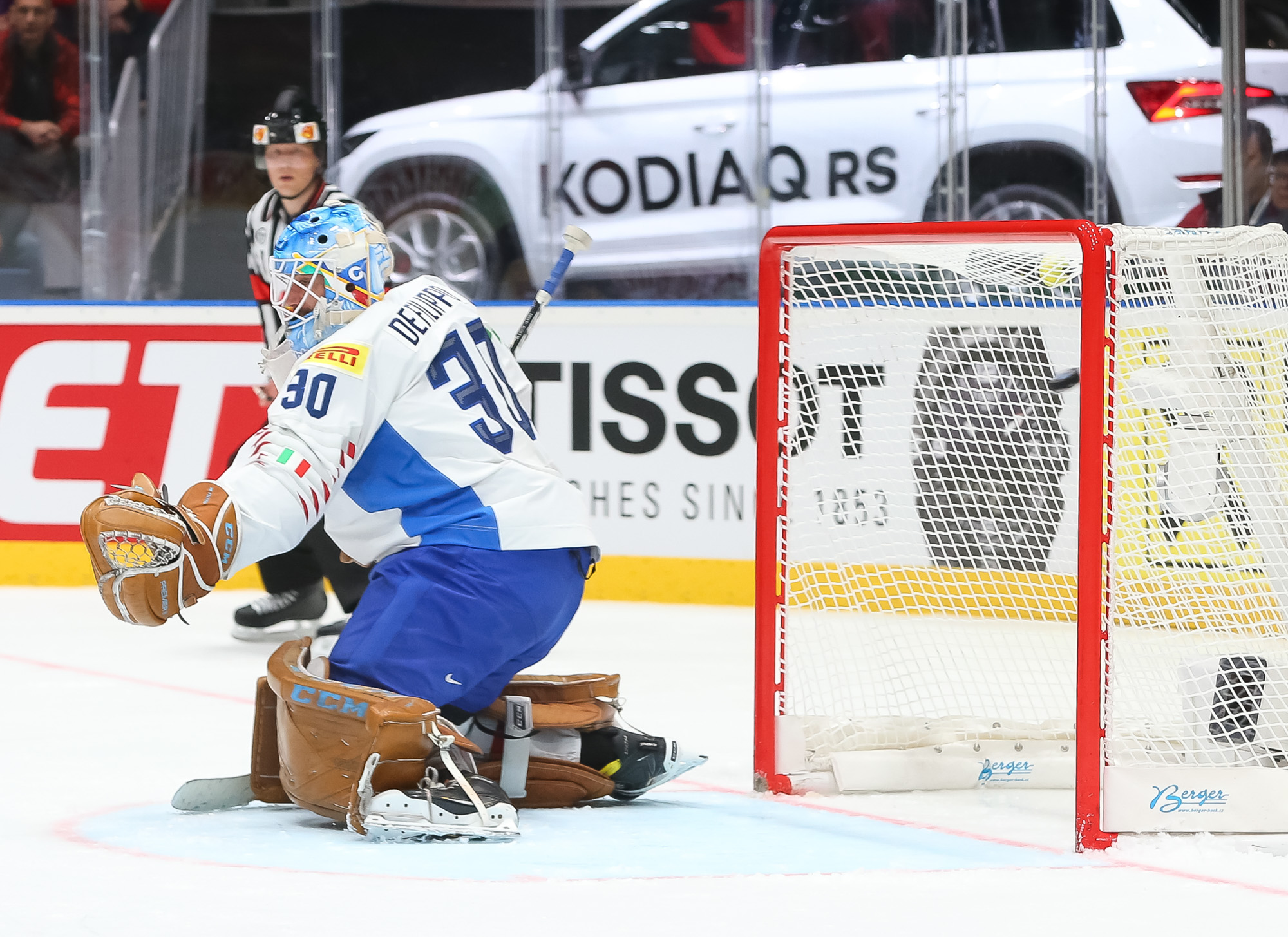 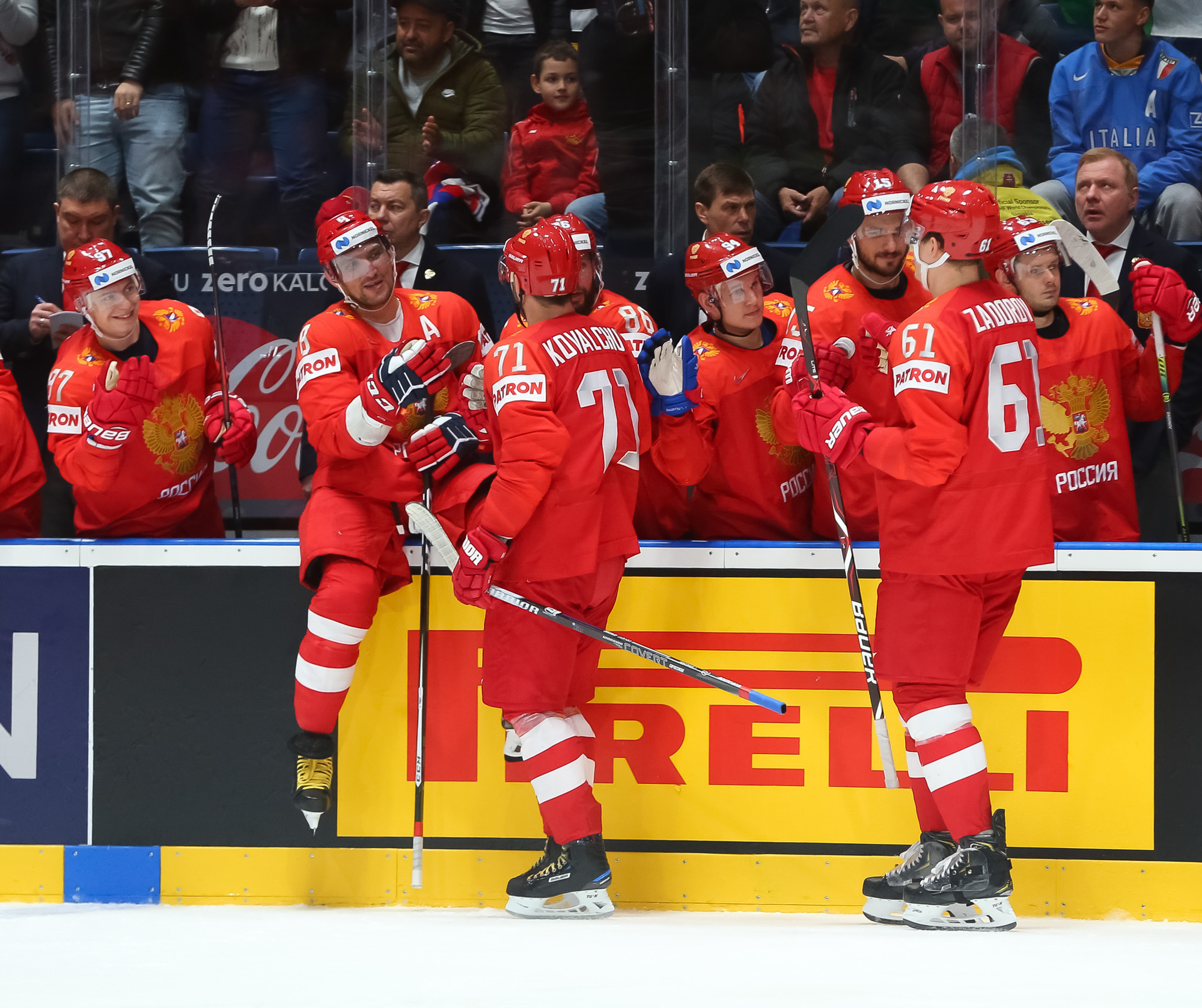 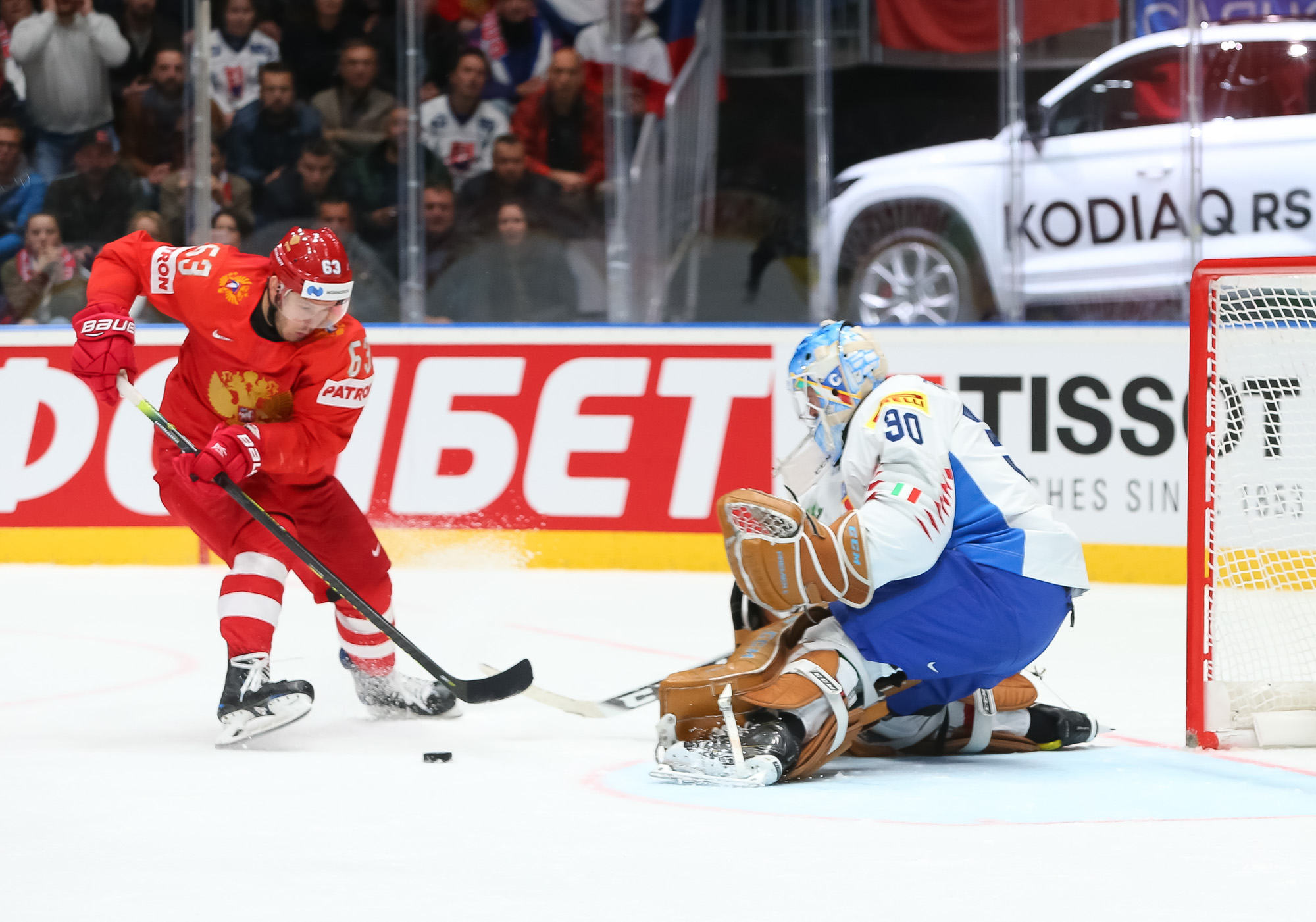 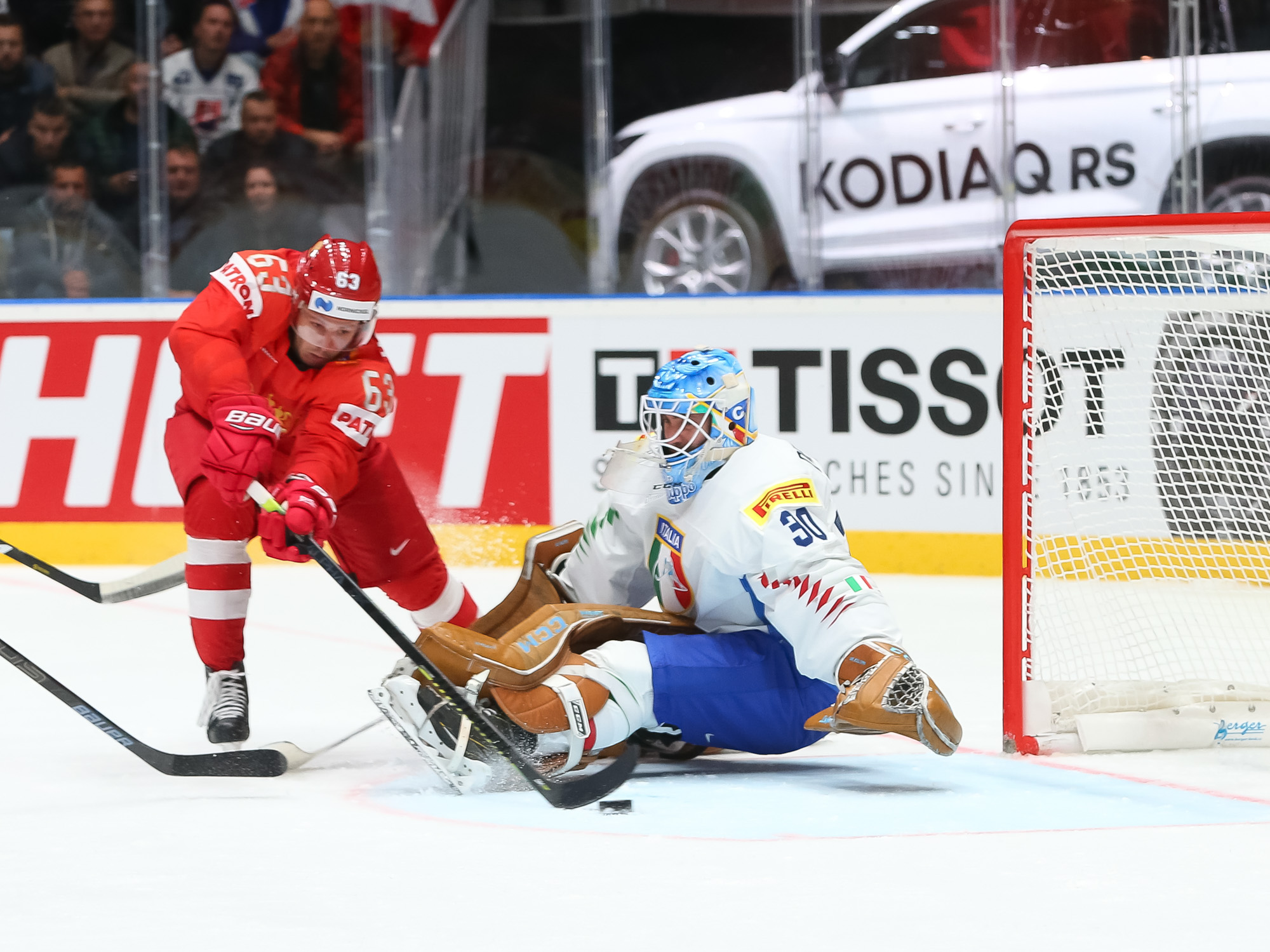 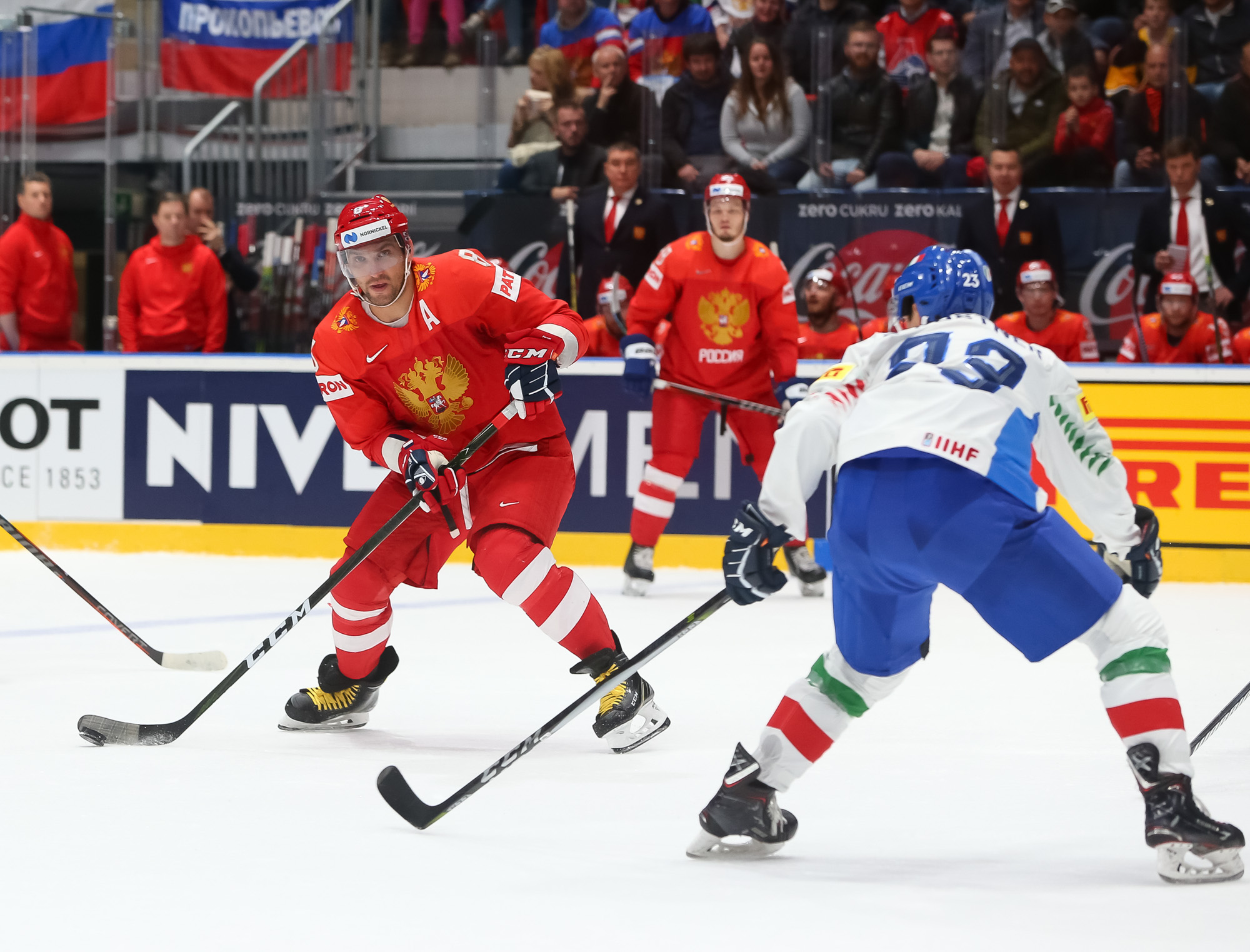 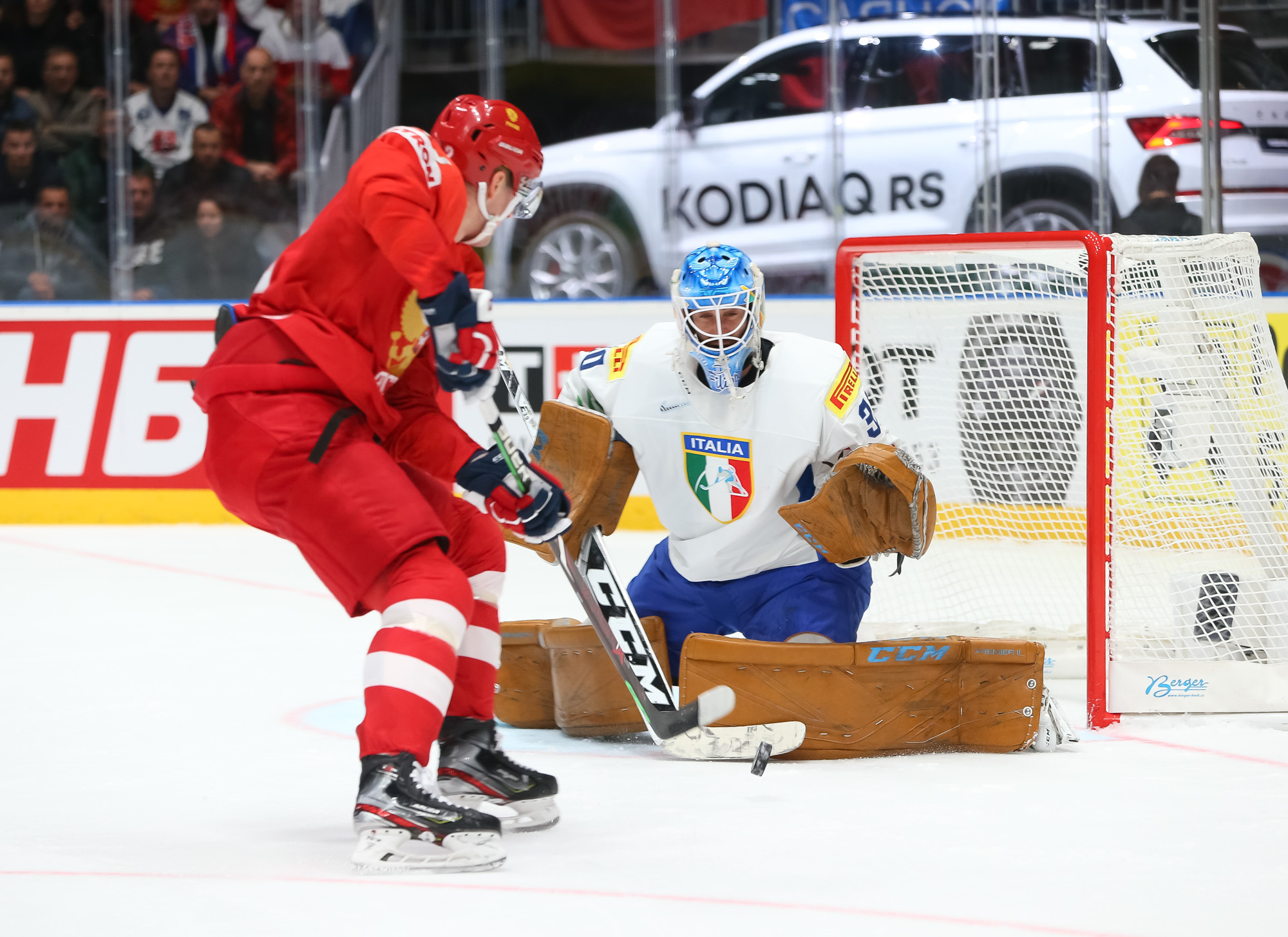 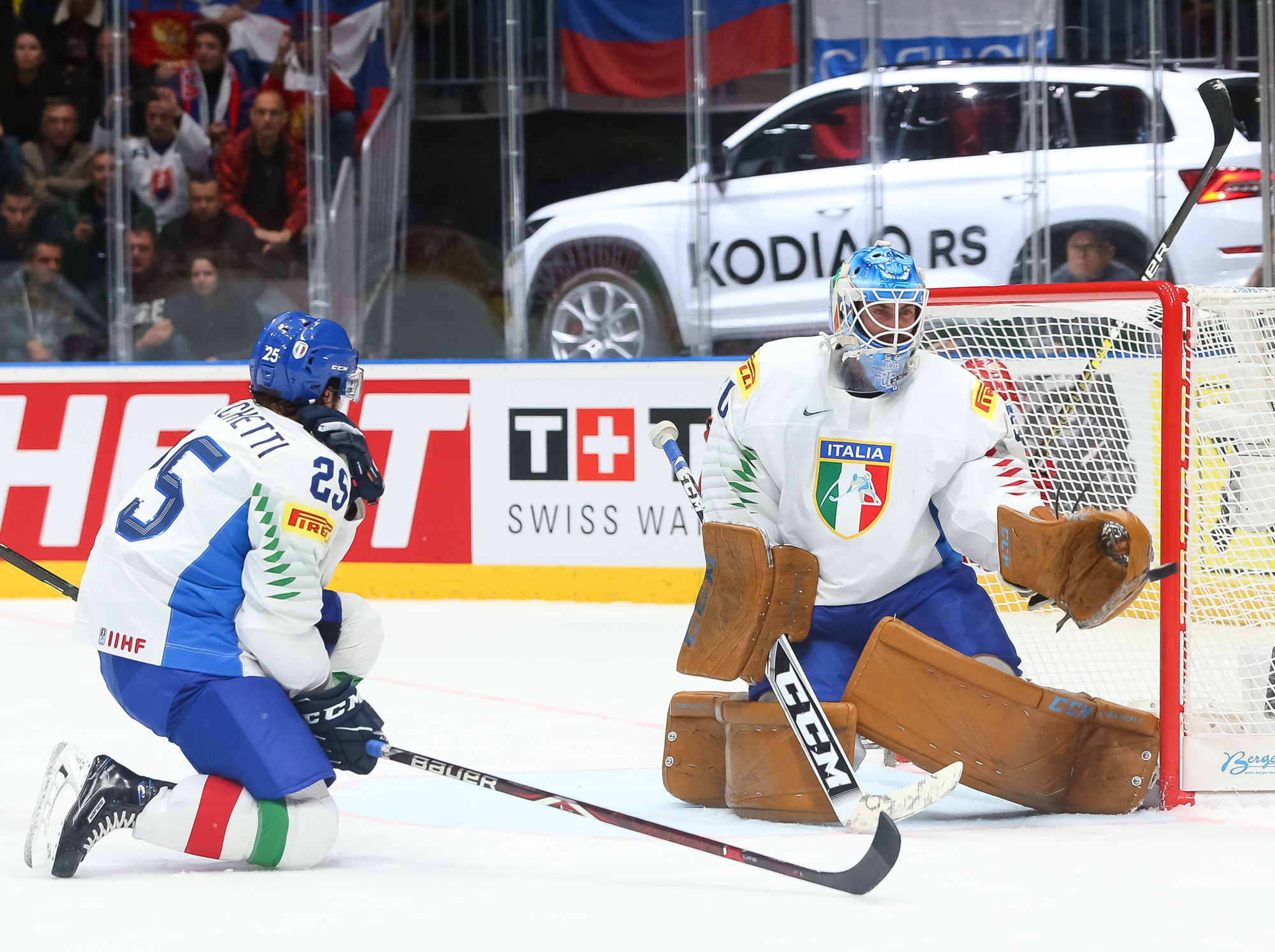 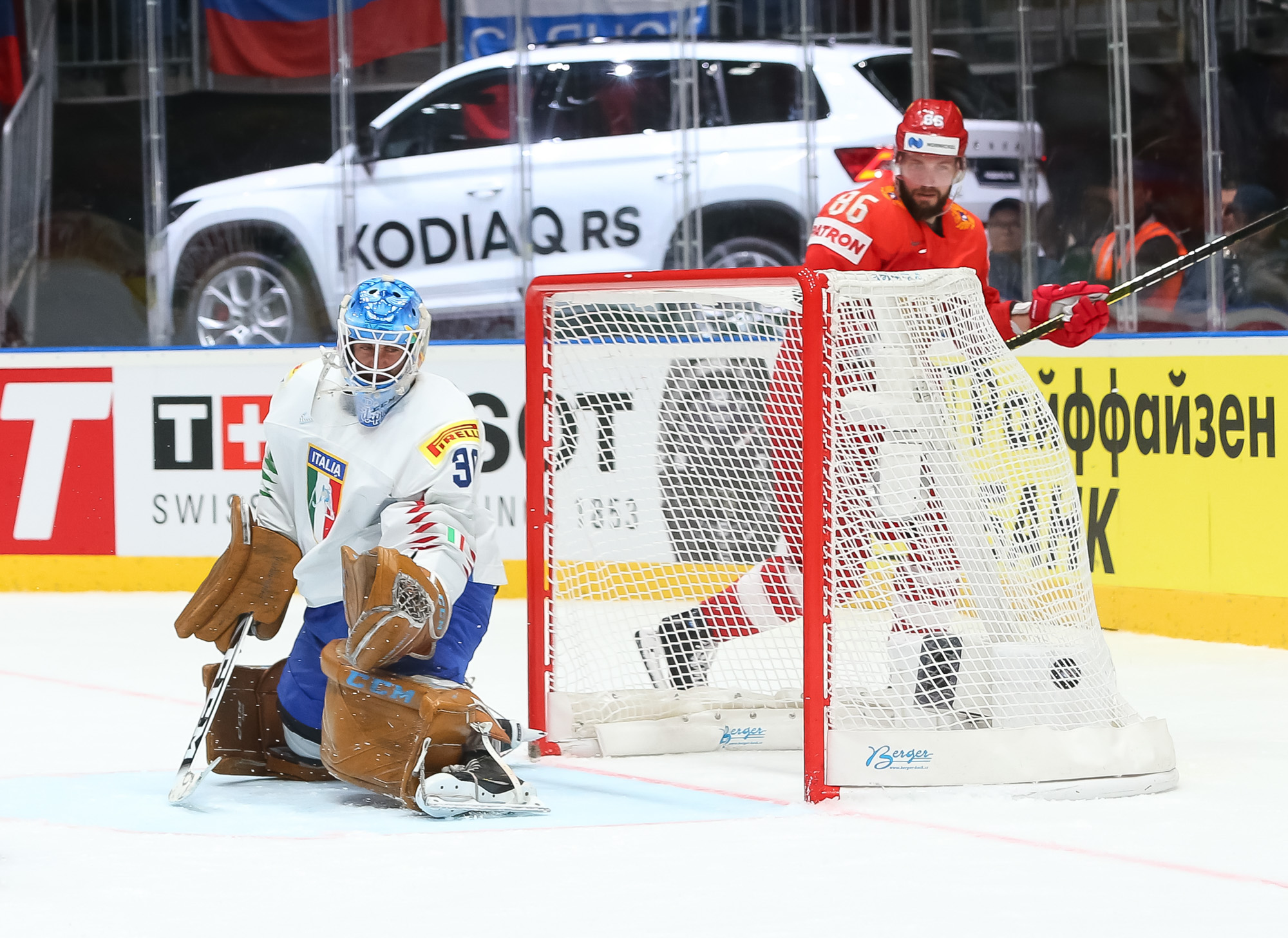 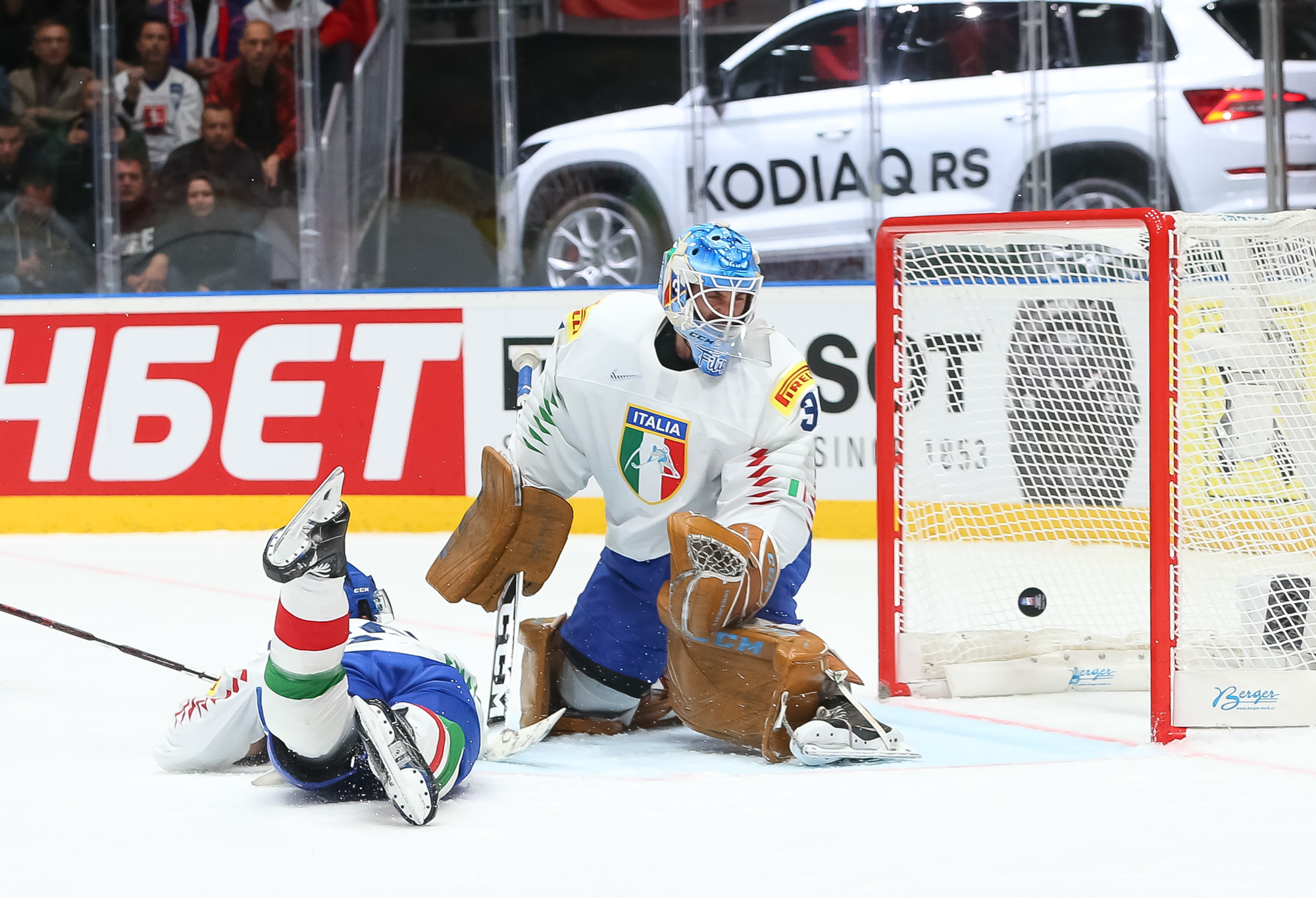 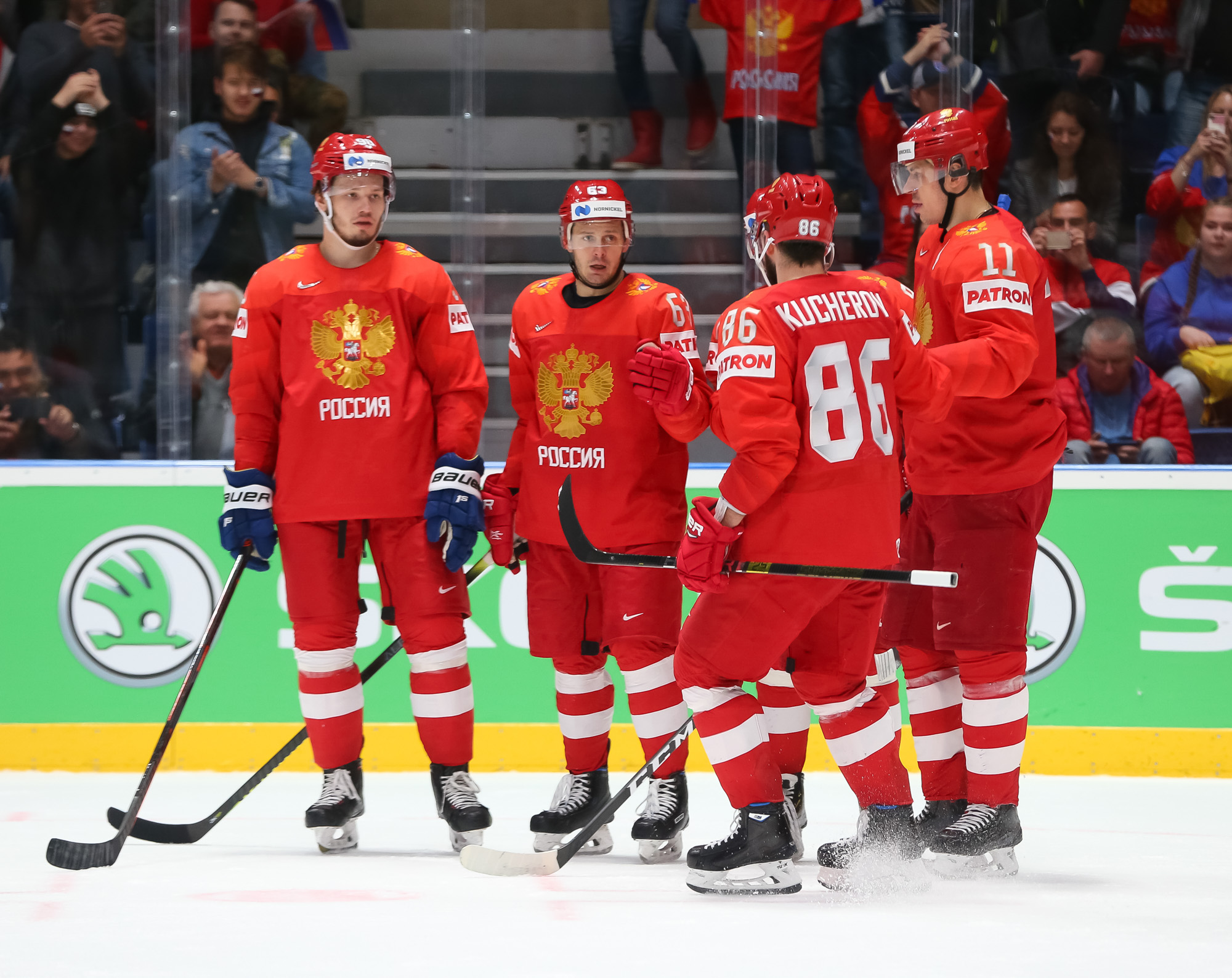 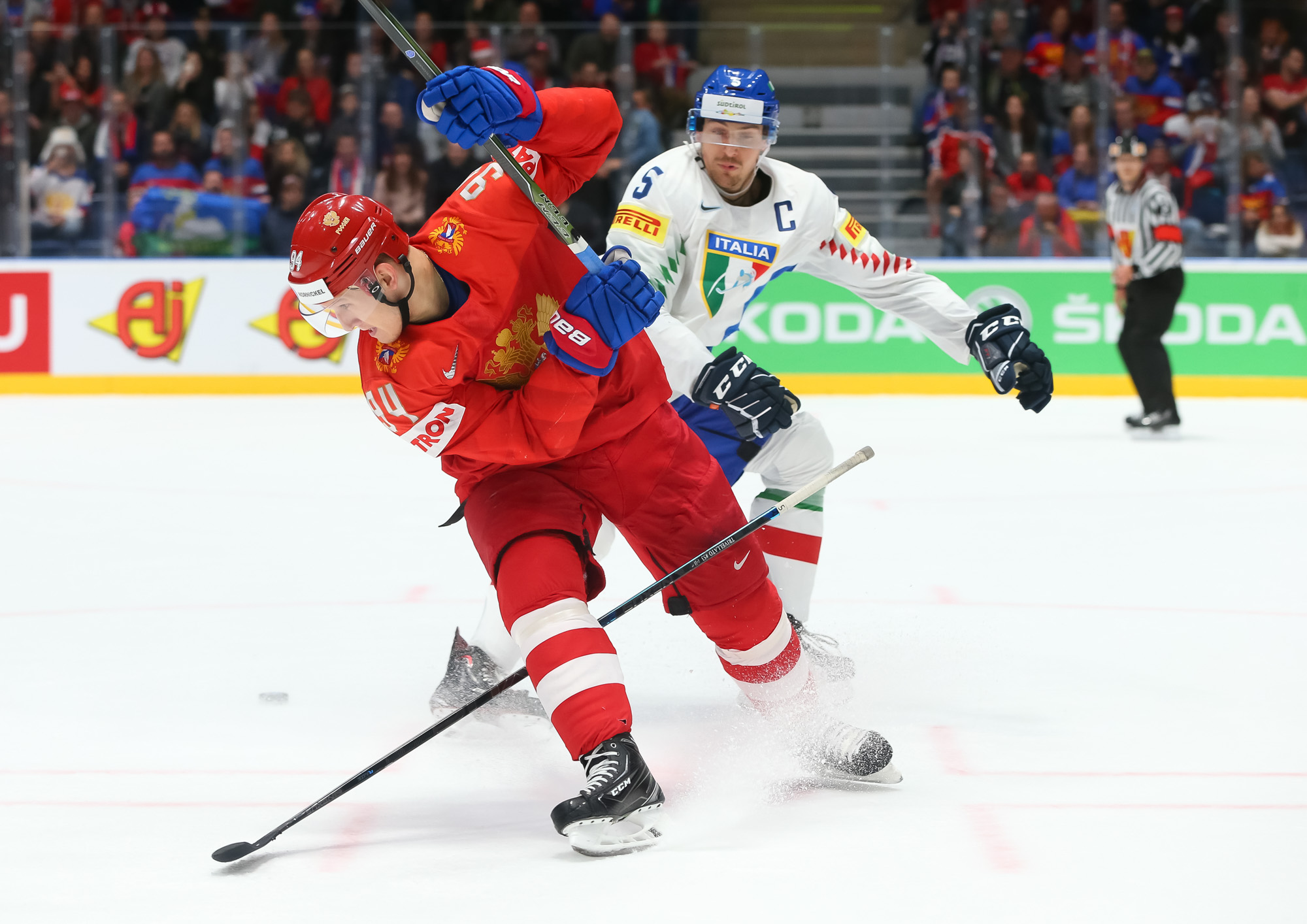 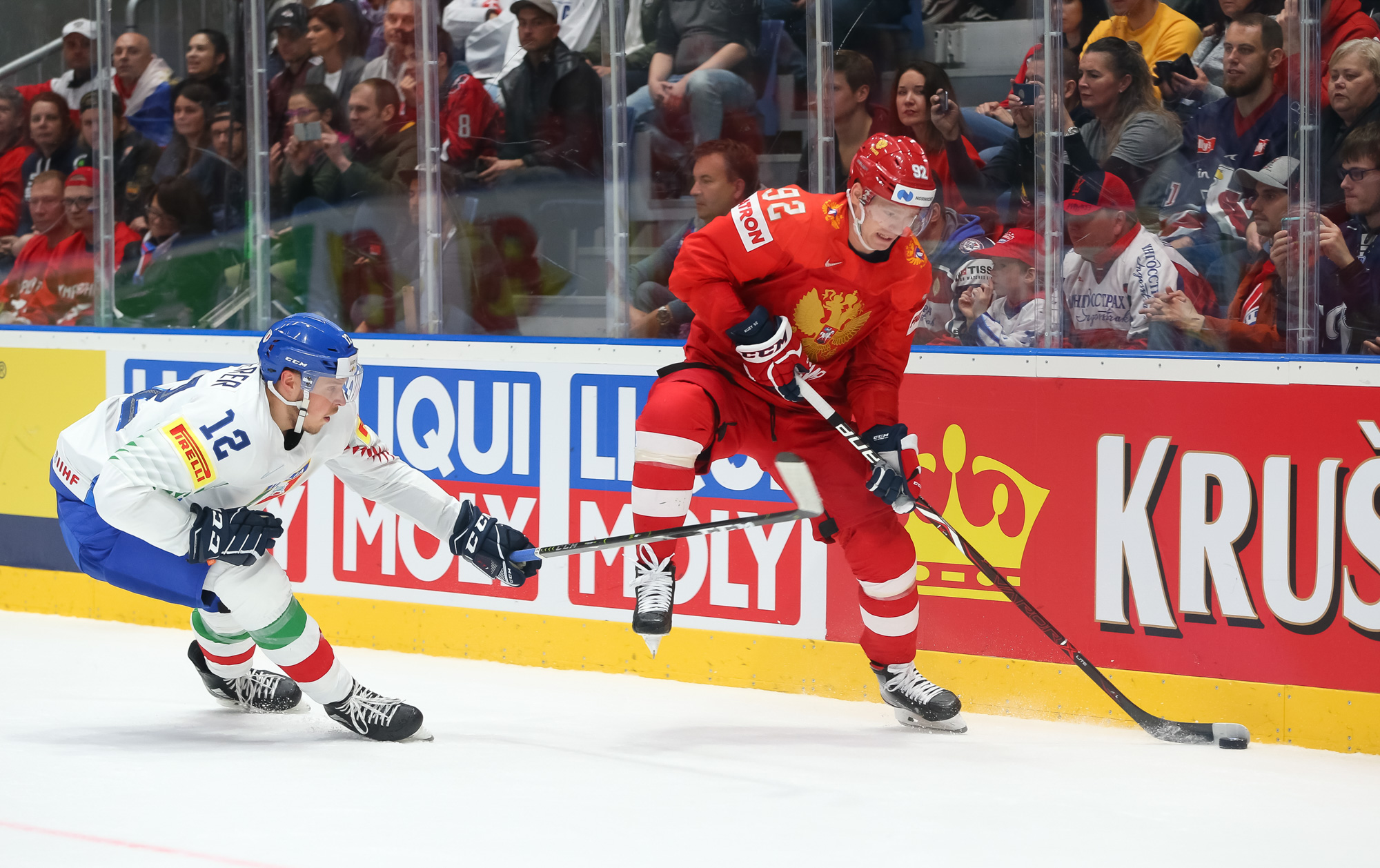 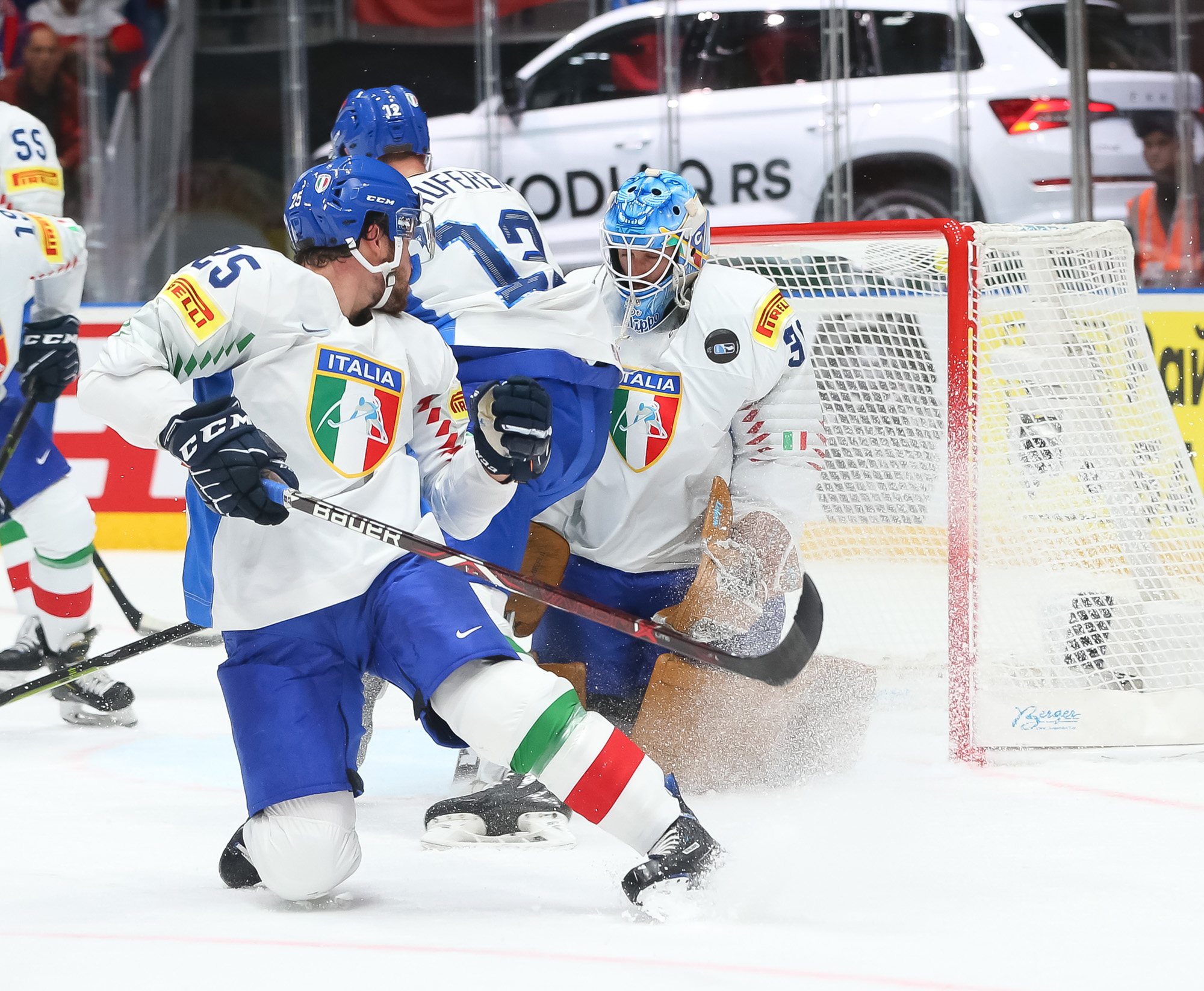 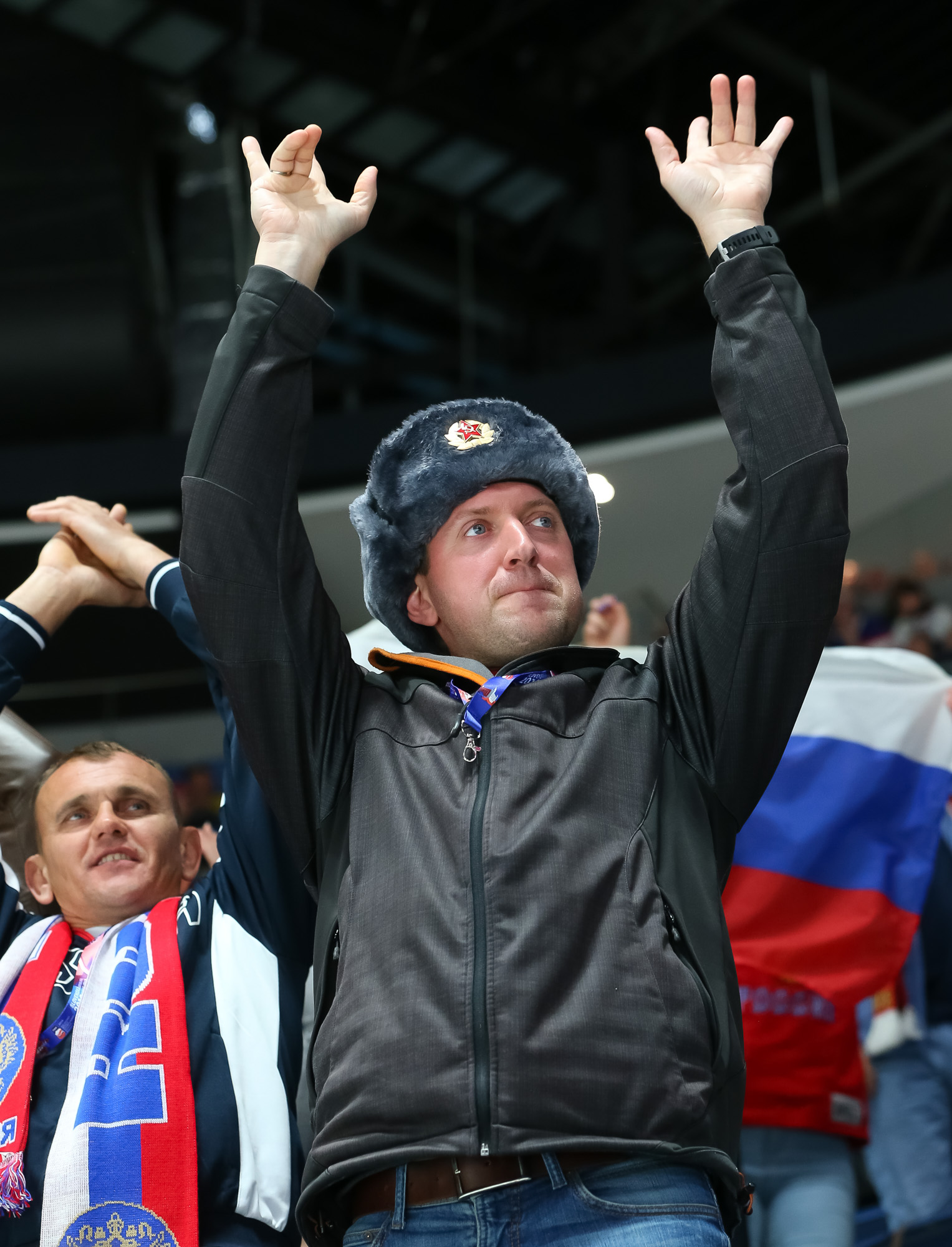 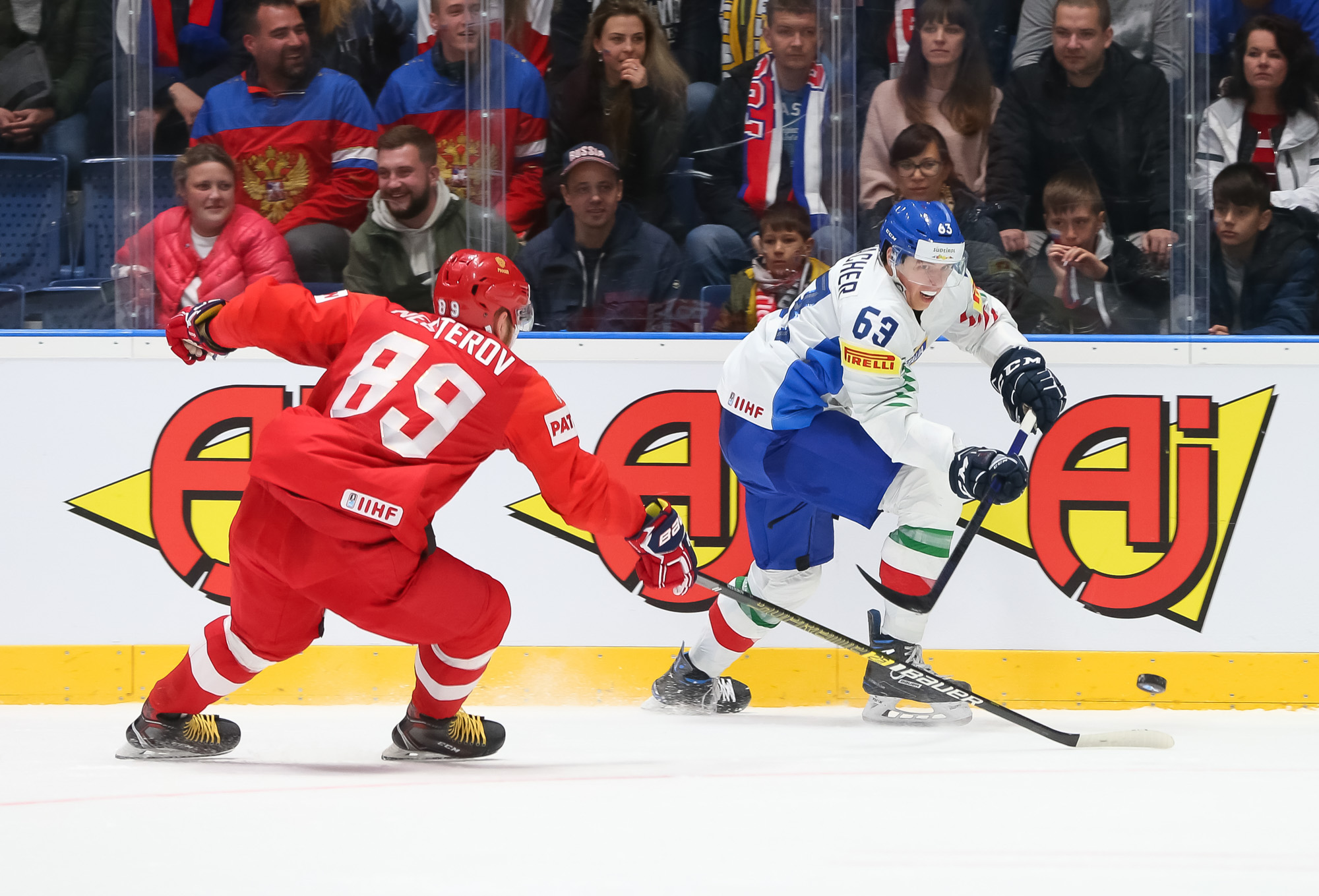 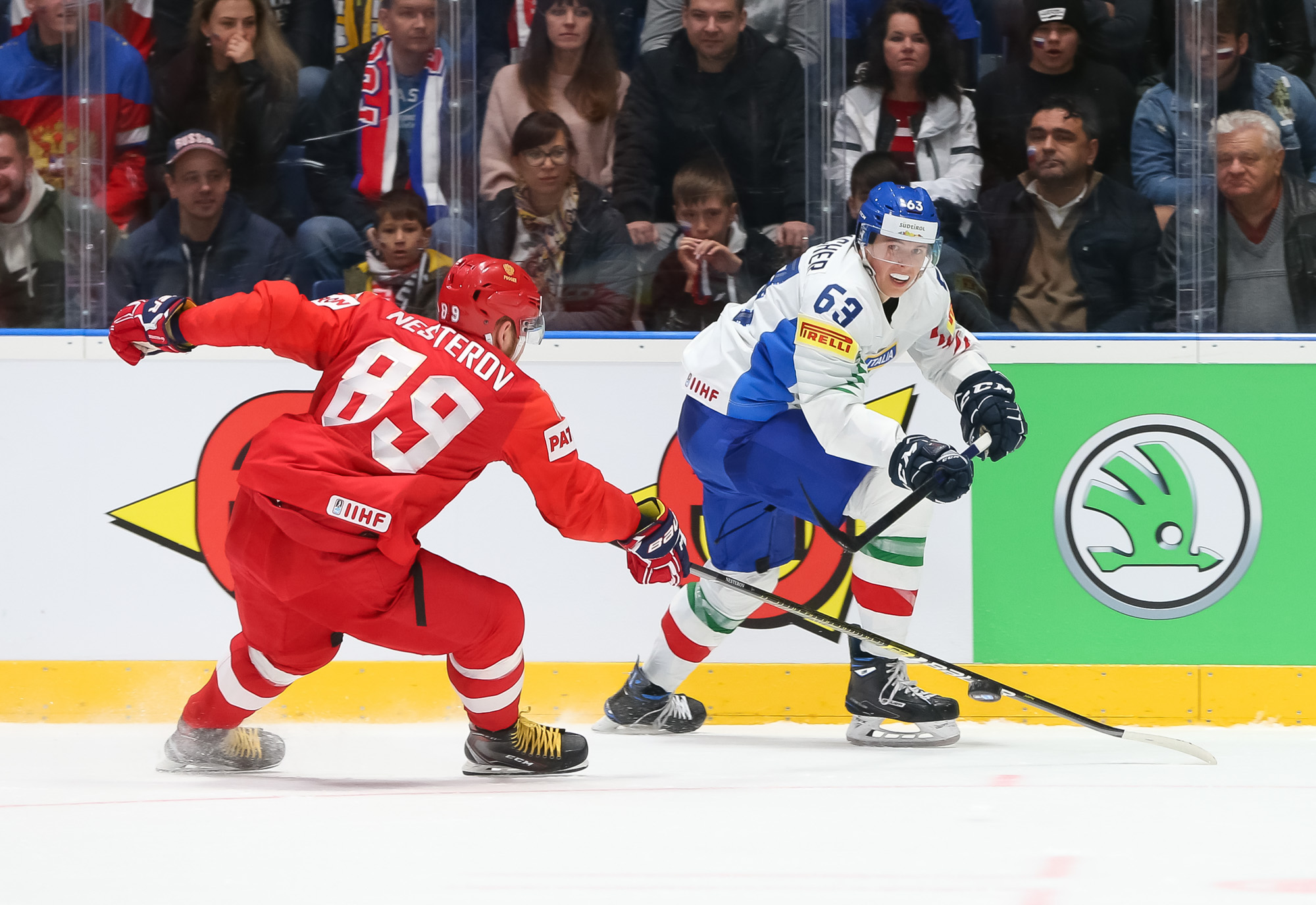 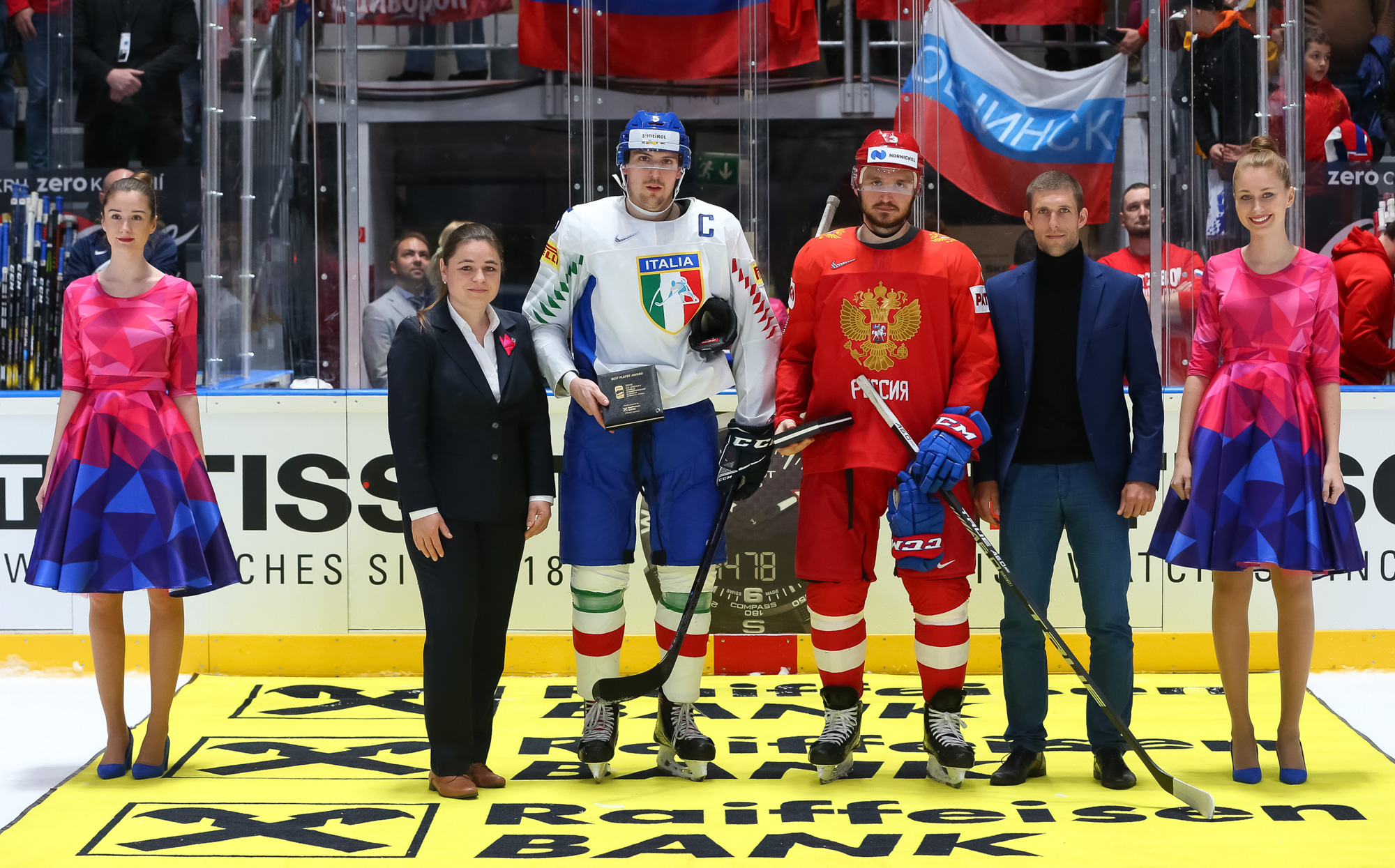 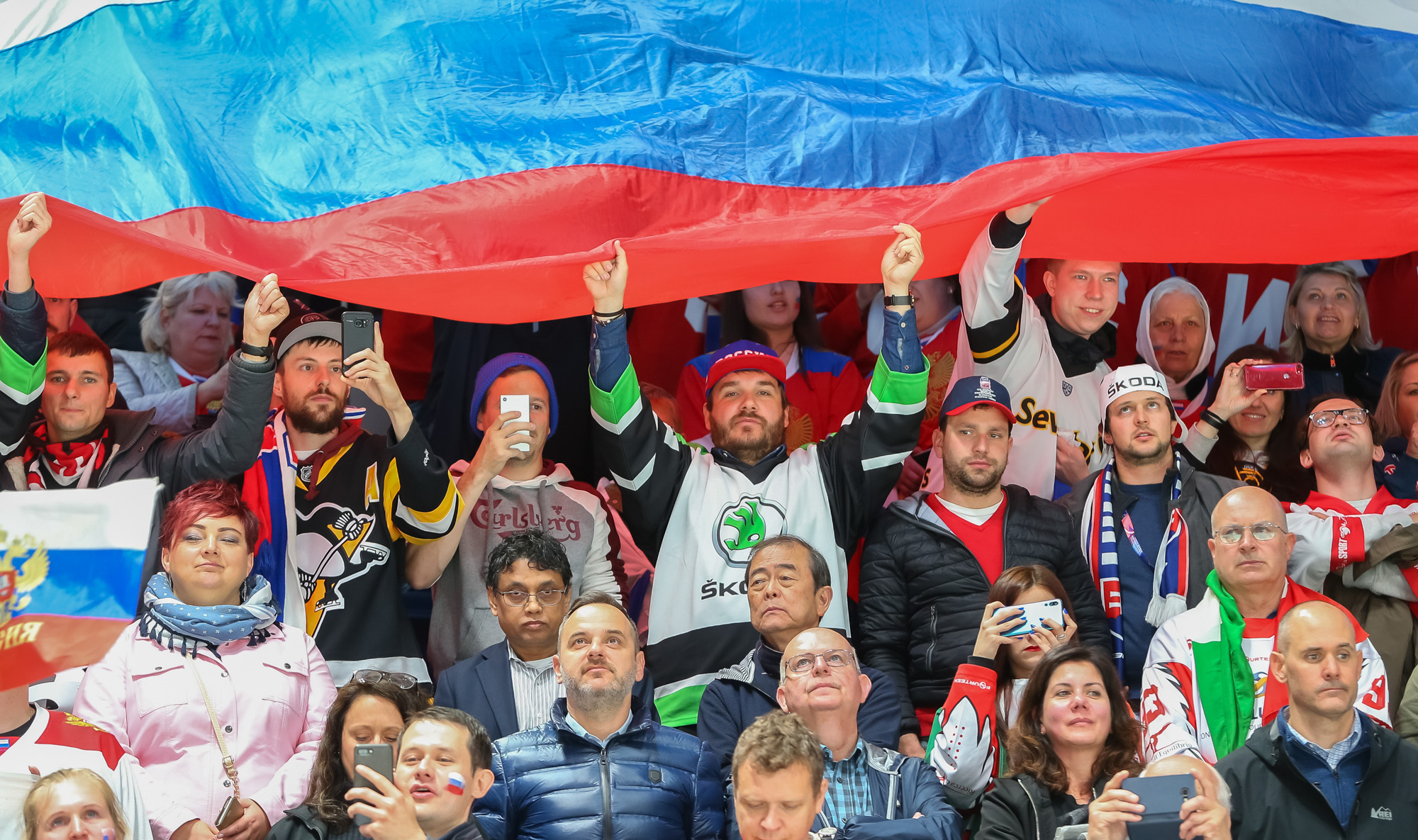 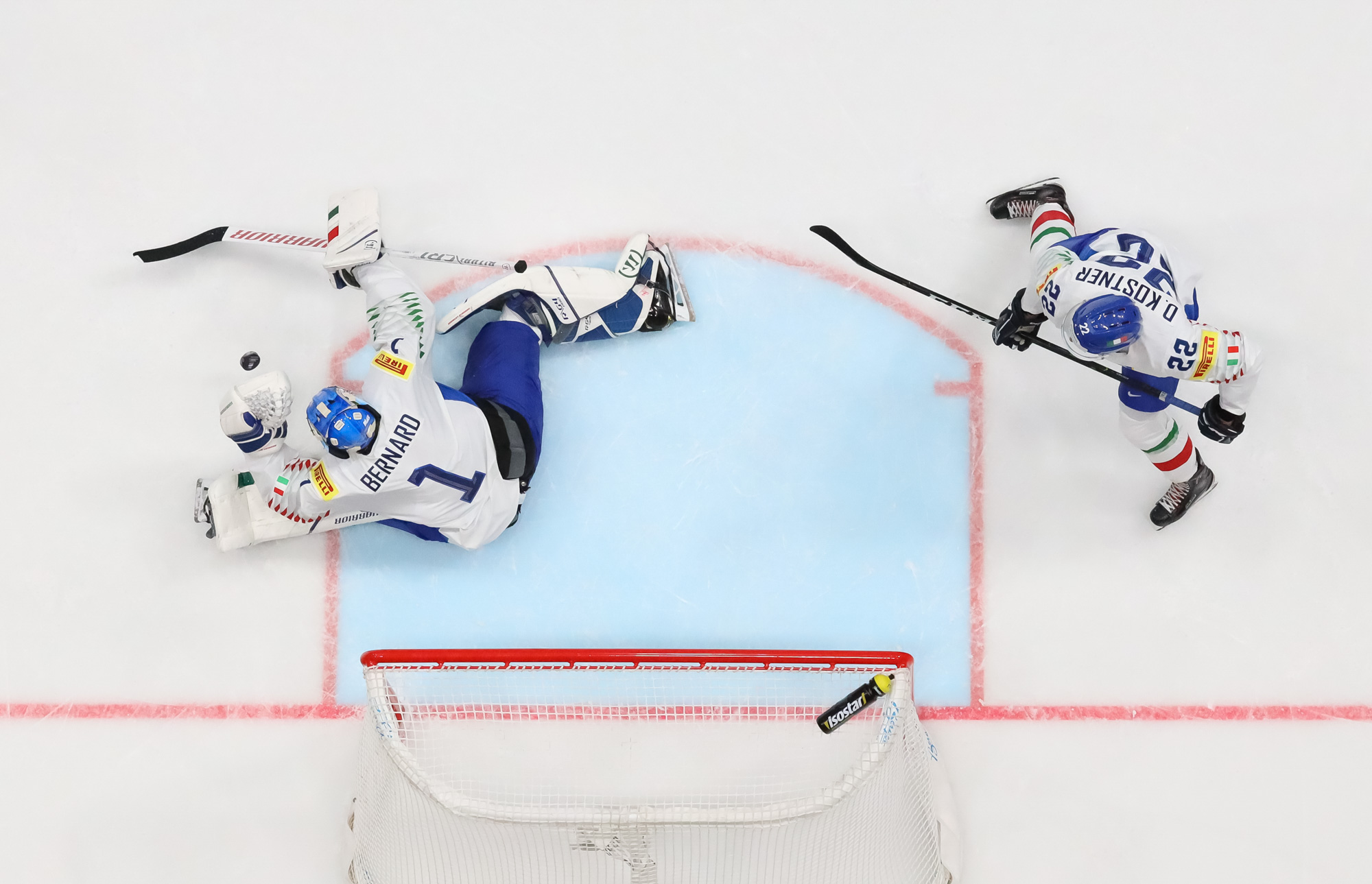 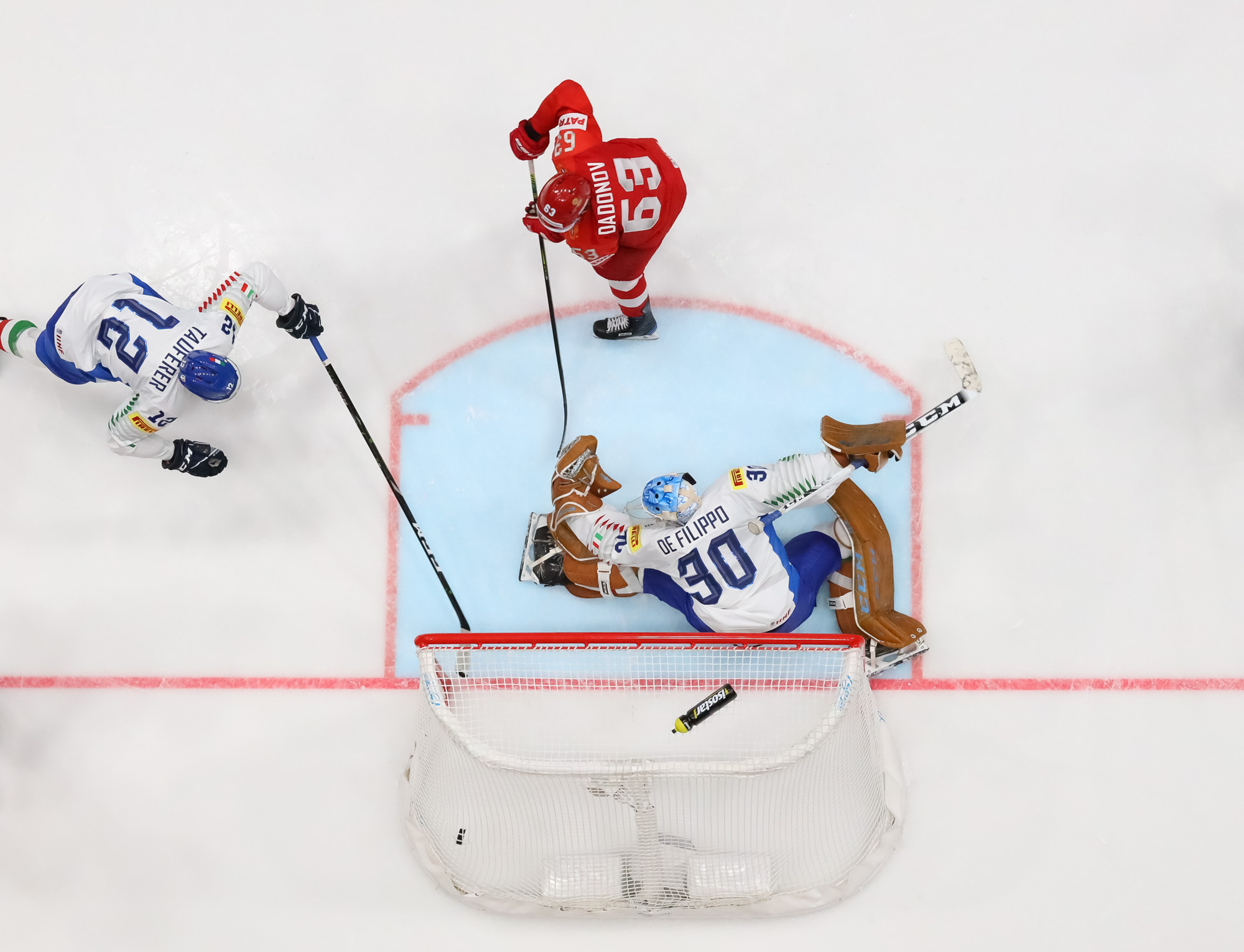