Finland got two points each from Kaapo Kakko and Mikko Lehtinen to beat a feisty Danish squad 3-1. The win brings the Finns within two points of group-leading Germany, while the loss leaves Denmark’s already slim quarter-final hopes just a little bit slimmer.

Sebastian Dahm, Denmark's workhorse in goal who has played all of his team's games this tournament, was solid in net with 34 saves, while Finland's Kevin Lankinen, playing his third game of the tournament, stopped 25 of 26 Danish shots.

“We played well and Kevin was great in goal for us. It was a solid win,” said defenceman Henri Jokiharju.

“We played a good, solid game,” Danish defenceman Oliver Larsen figured. “We have to keep it going the next couple of games.”

As one would expect in a game between two Nordic countries, there was a lot of speed on display this game, but there was also some rough stuff after the whistle from time to time.

“It was a pretty tough game for us, not easy at all,” said Finnish forward Jere Sallinen. “Both teams played well, so it was a good win. We were awful in the first period, but step by step we got better. The biggest thing is, we won.”

The Finns dominated the first period in terms of possession and territory and outshot the Danes 14-5, although they never seriously threatened Dahm and the opening 20 minutes were largely uneventful.

“You can't be satisfied with a couple of wins,” said Jokiharju. “We still need to build our game. We played well, but we need a better start. We didn't create much at first, and they came pretty hard. By the second period we were dominating.”

It was, however, Denmark that opened the scoring on a strange play early in the second period. On the power play, Nicklas Jensen's shot from the point glanced off a Finnish stick and hit Atte Ohtamaa in the face. With the Finnish defenceman temporarily incapacitated, the Danes now had an even bigger numerical advantage and they pounced on the puck in the crease. After a bit of a scramble, Morten Madsen put it in.

That was Denmark's only goal on five power-play chances, while Finland was 0-for-3.

“They played a good game and got a lot of pucks to the net,” said Larsen. “We played very well in the first and in the second we played well, and in the last period we sucked. Not much to say about that.”

World Men
Finland vs. Denmark - 2019 IIHF Ice Hockey World Championship
Finland got two points each from Kaapo Kakko and Mikko Lehtinen to beat a feisty Danish squad 3-1.
FIN DEN 16 MAY 2019
Overall, the Danes were able to generate more chances in the second period than they did in the first – in fact outshot Finland 13-12 –, but that was the only goal they'd get. As for the Finns, they didn't go crazy on offence this game, but they would get what they needed, and the main catalyst was a young player who's fast becoming a household name in the world of hockey.

After two amazing games against Canada and Slovakia in which he scored five goals and being a very noticeable player against the USA even though he was held off the scoresheet, Kakko was held in check for the first part of this game. However, he broke out of that in the second period.

In the 26th minute, he took a pass from Mikko Lehtonen in full flight through the neutral zone on the right wing, was forced wide by a sliding defenceman and goaltender, but then from below the goal line in one fluid motion used his long reach to hook the puck around the post, in seemingly effortless fashion, to tie the score.

“He's a sick player,” Sallien said of Kakko. “Honestly, he's amazing. It's good for us, but we need a couple of goals from our other players, too. We can improve, for sure, especially our passing in centre ice. We need to make better plays there to create more scoring chances.”

Later in the middle period, Kakko played a big part in the go-ahead goal as well, although he wasn’t credited with a point. In a prolonged sequence in the Danish zone, he held the Danish defence at bay while he circled with the puck, occasionally passing to other players on the ice while the Finnish fans in attendance got increasingly excited. Finally, he passed to Lehtonen, who shot, and following a goalmouth scramble, Sakari Manninen buried it.

“He's such a good hockey player,” said Jokiharju. “It's obvious. Everyone can see what he can do. It's great for the team, and he comes up big in the big moments, putting the puck in the net.”

Midway through the third period, Kakko did finally get credit for his first assist of the tournament when he worked a give-and-go with Harri Pesonen. After taking the pass from Pesonen just inside the Danish blueline, Kakko fired a wrister that went through the legs of Danish defenceman Oliver Lauridsen and was tipped by Pesonen just enough to fool Dahm and beat him through the legs.

That's all the offence Finland would need this game, as the team concentrated on defence the rest of the way.
Finland vs. Denmark - 2019 IIHF Ice Hockey World Championship 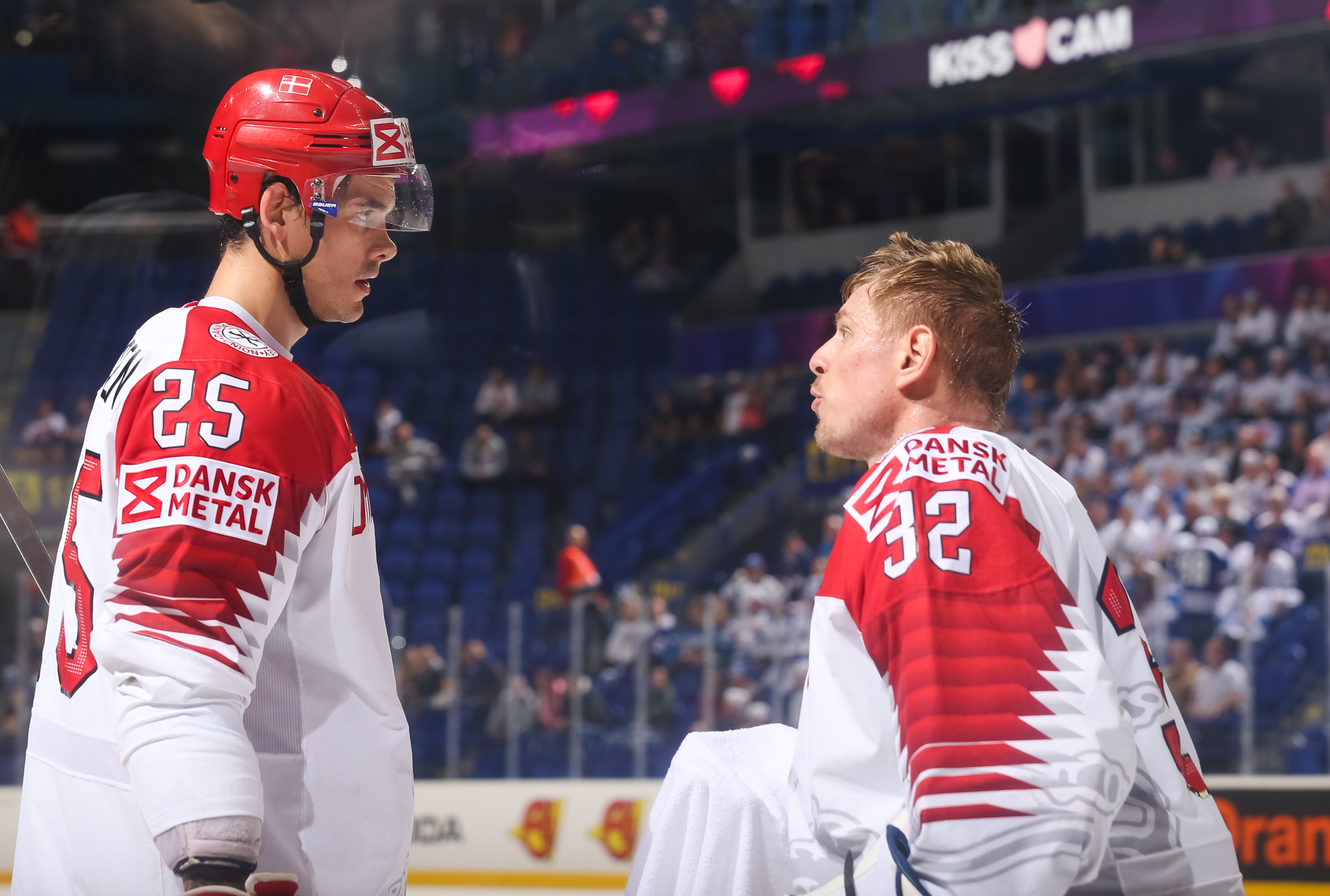 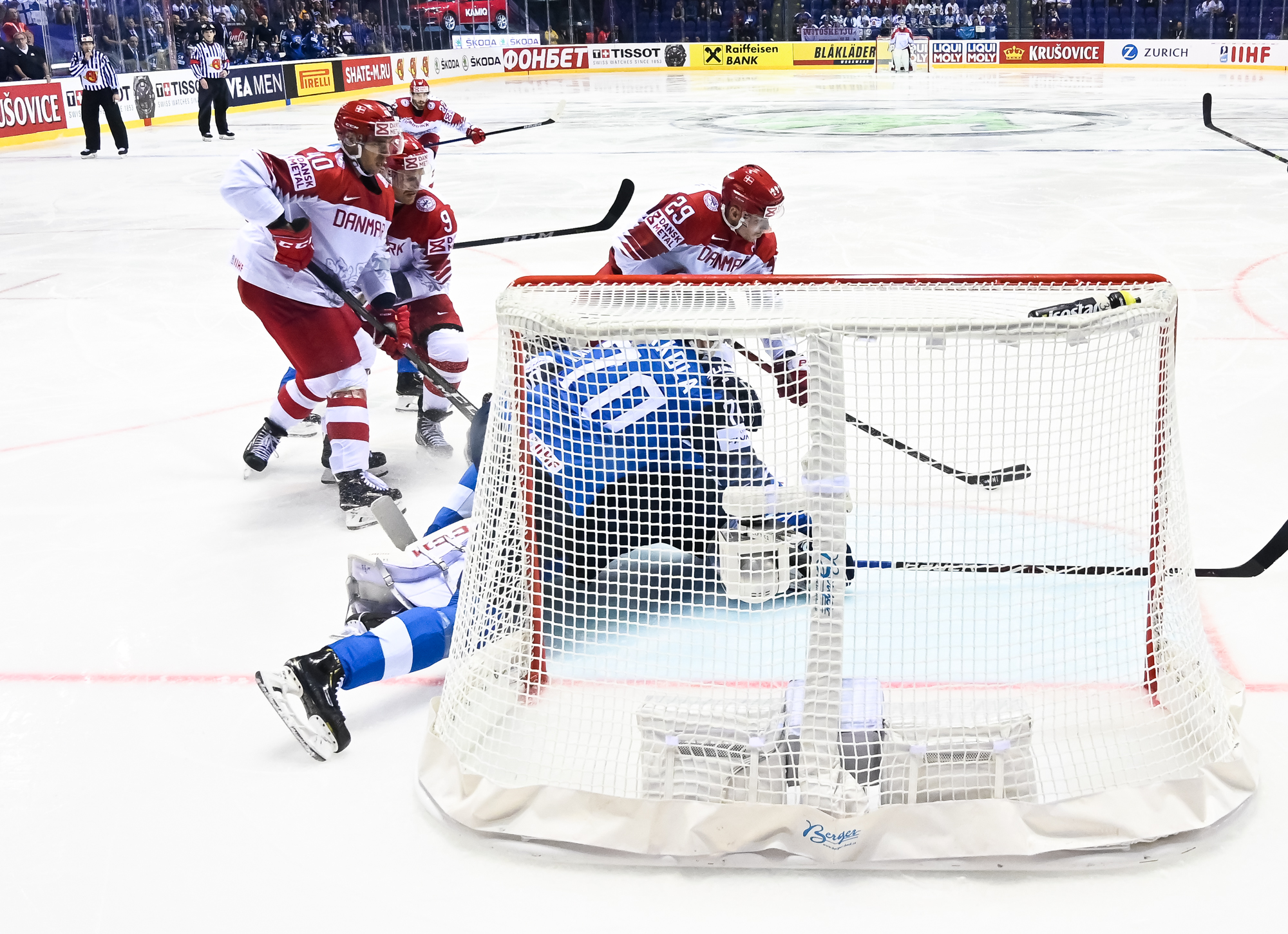 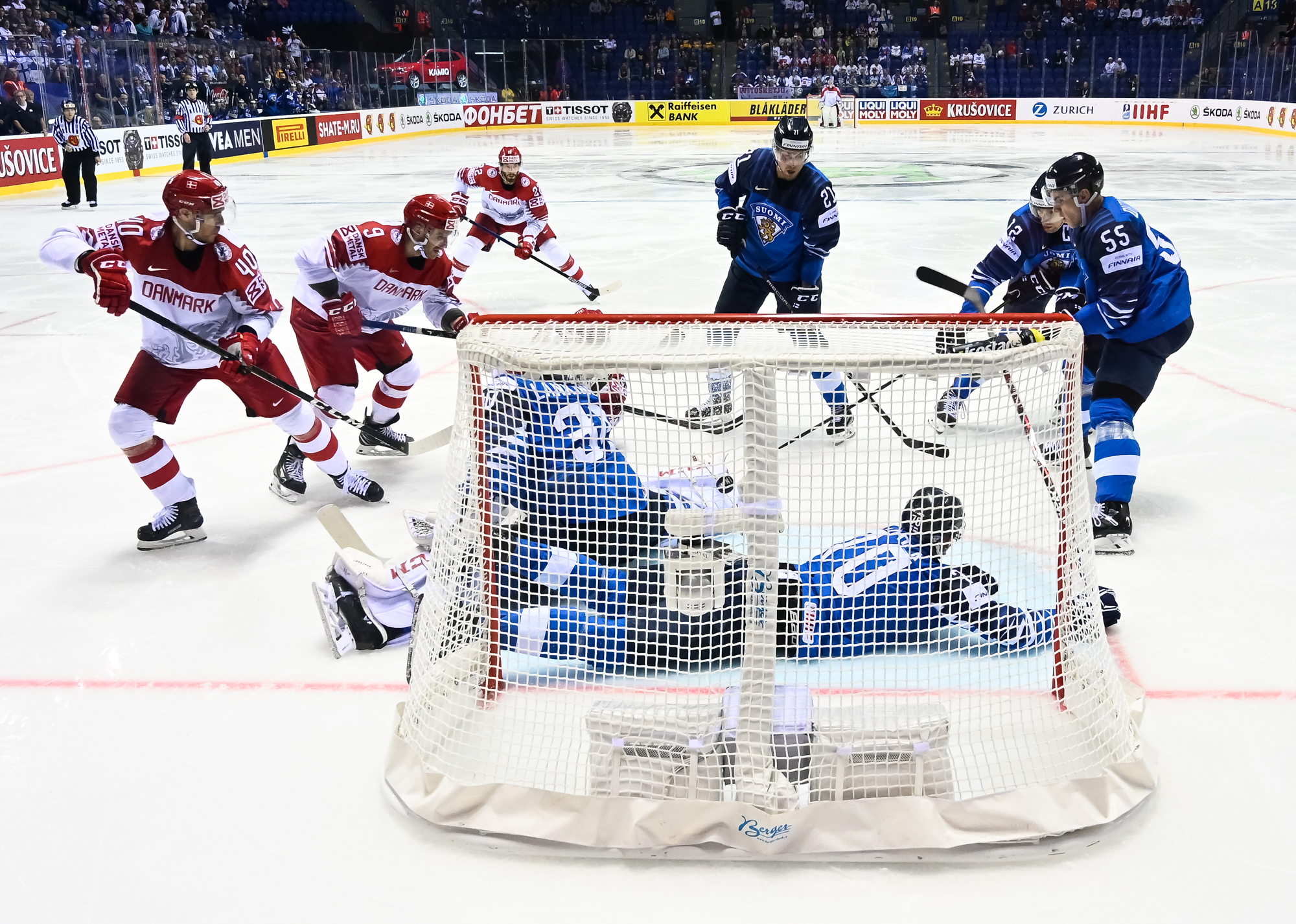 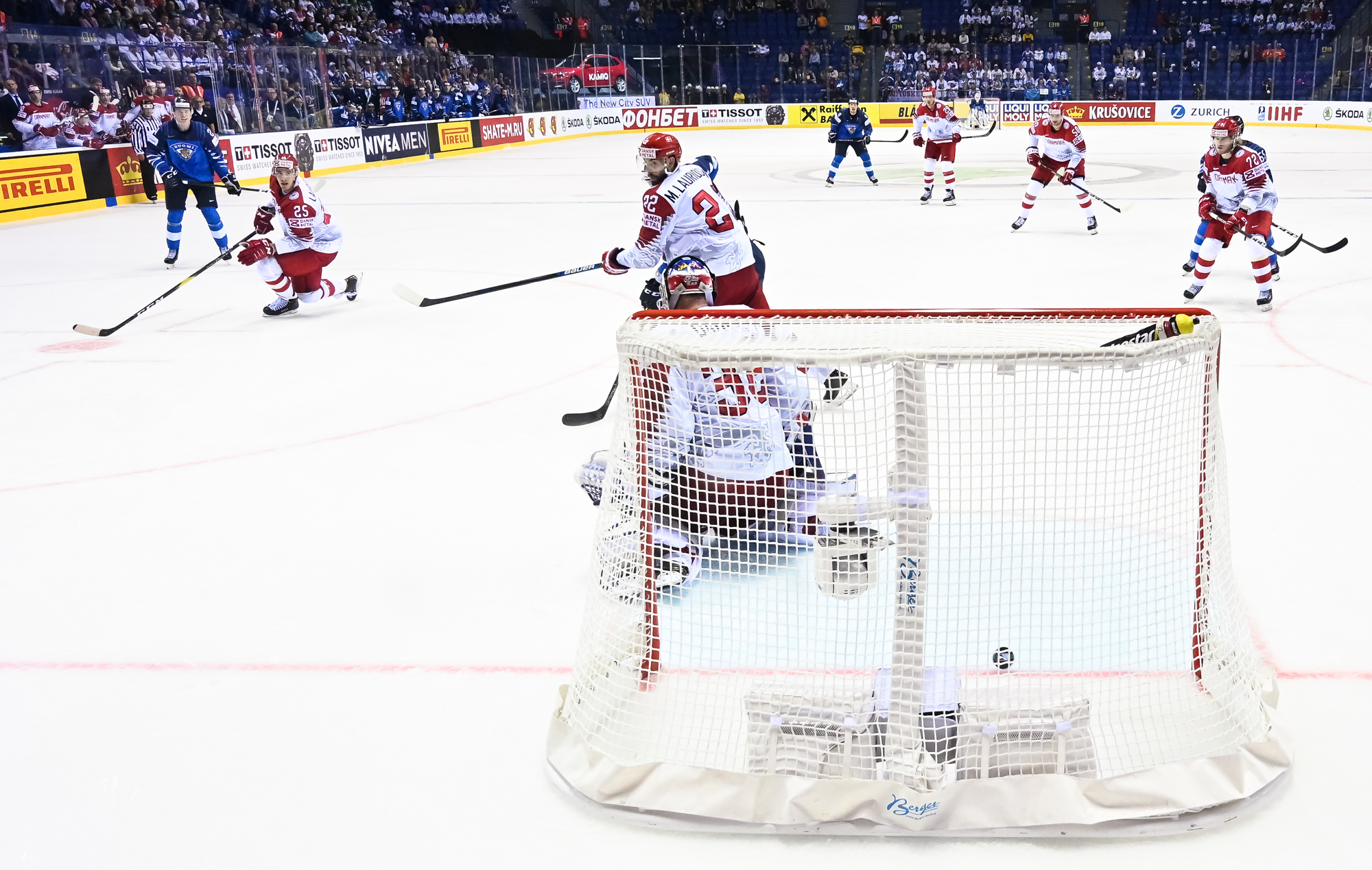 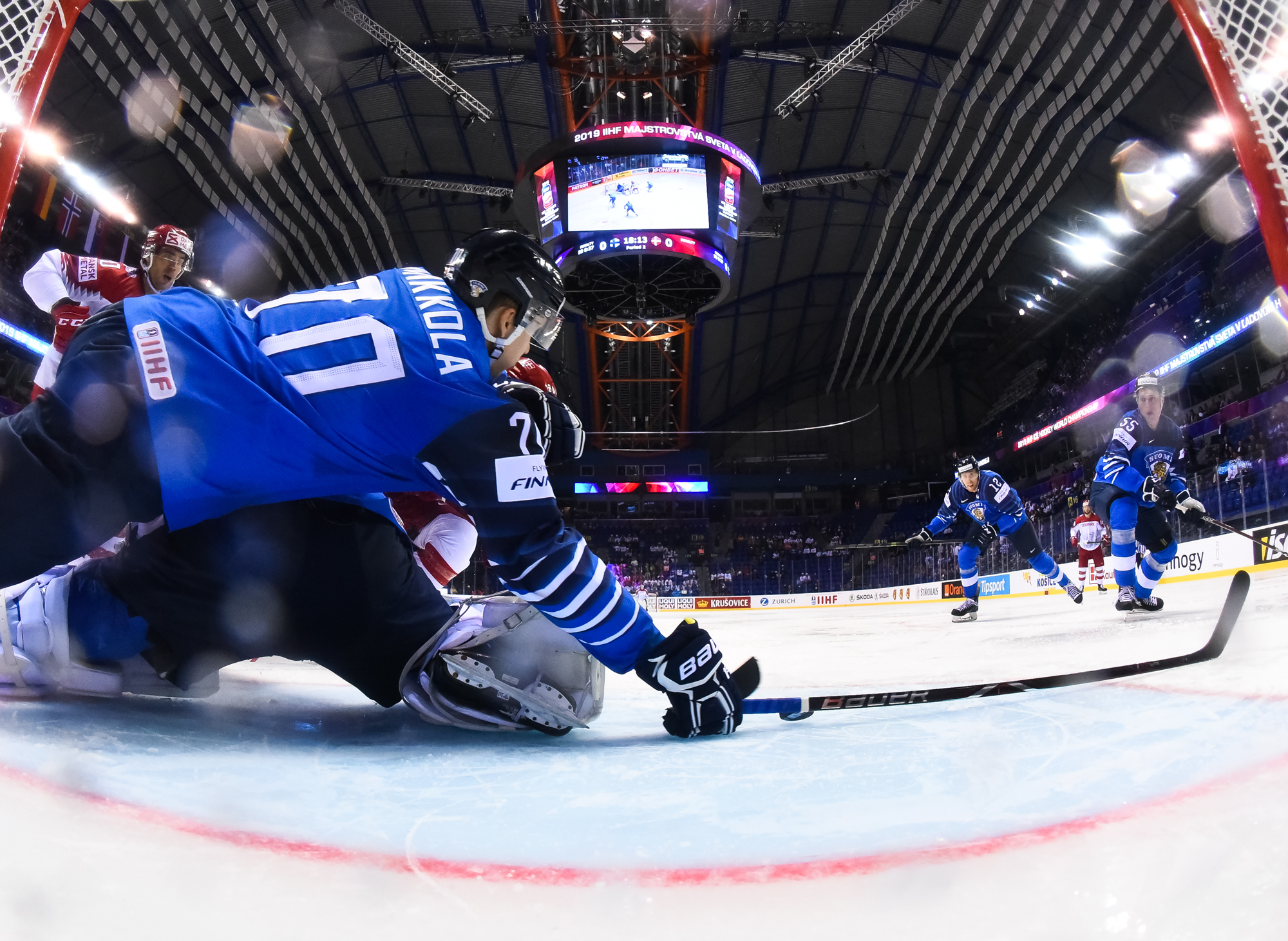 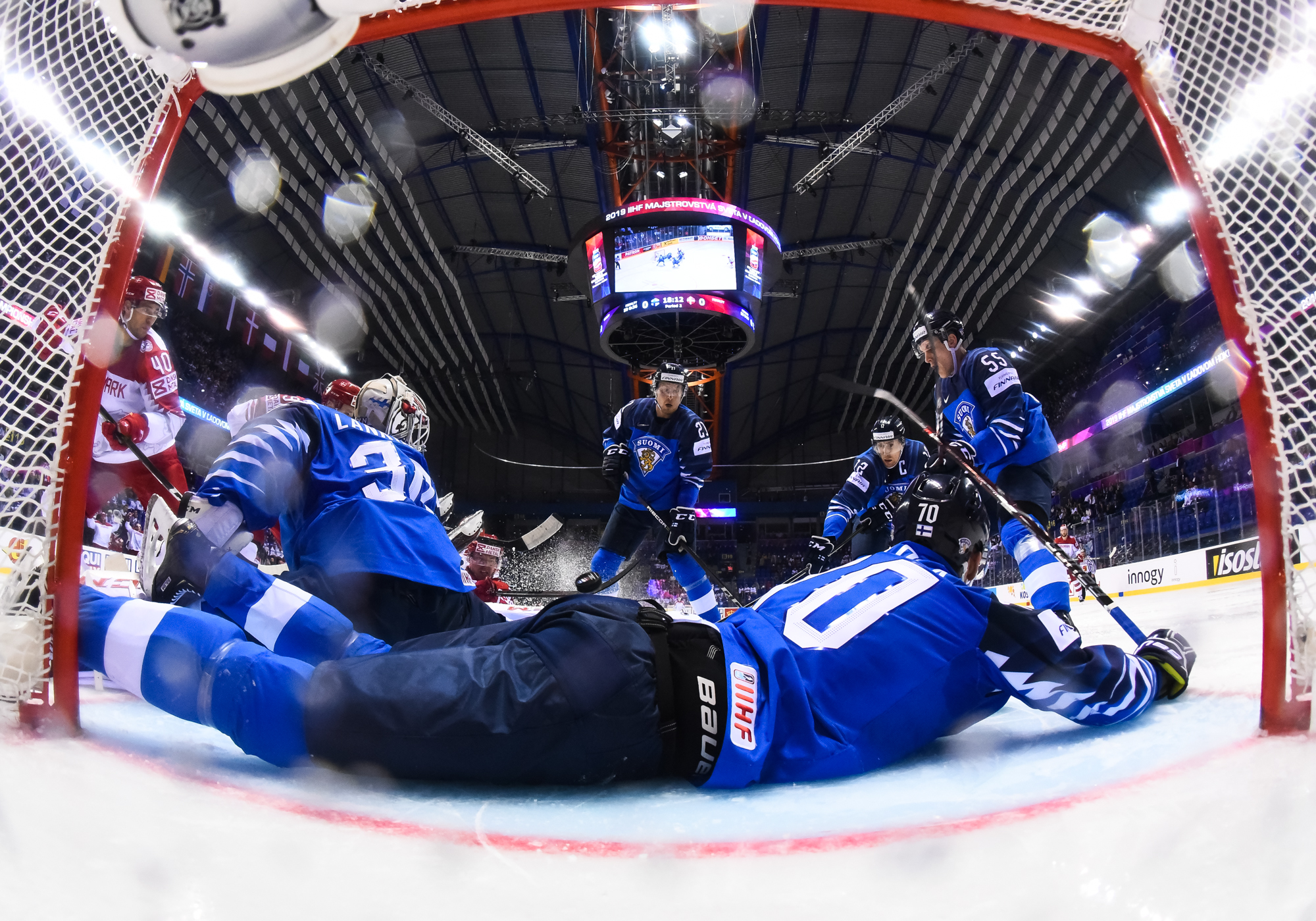 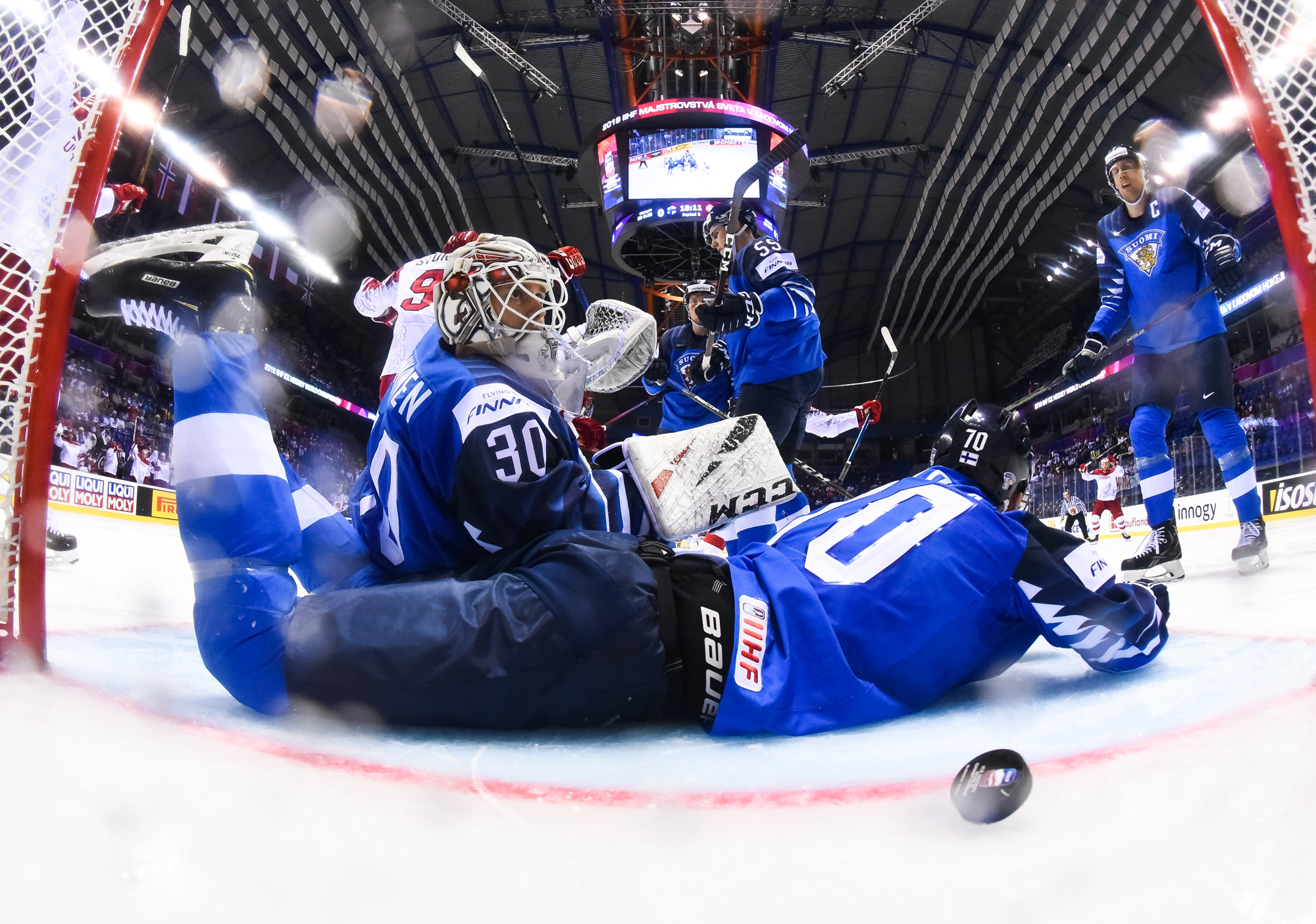 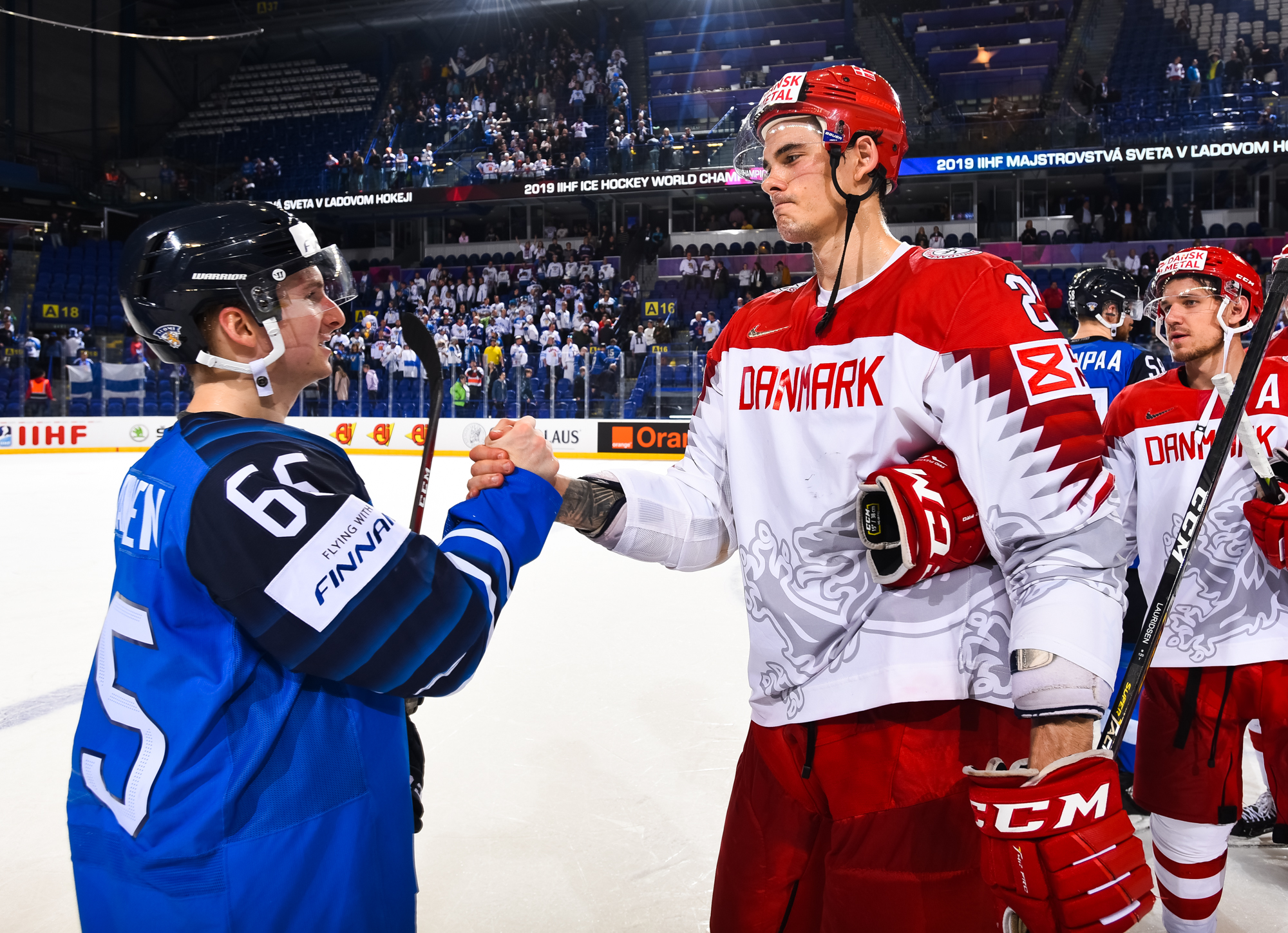 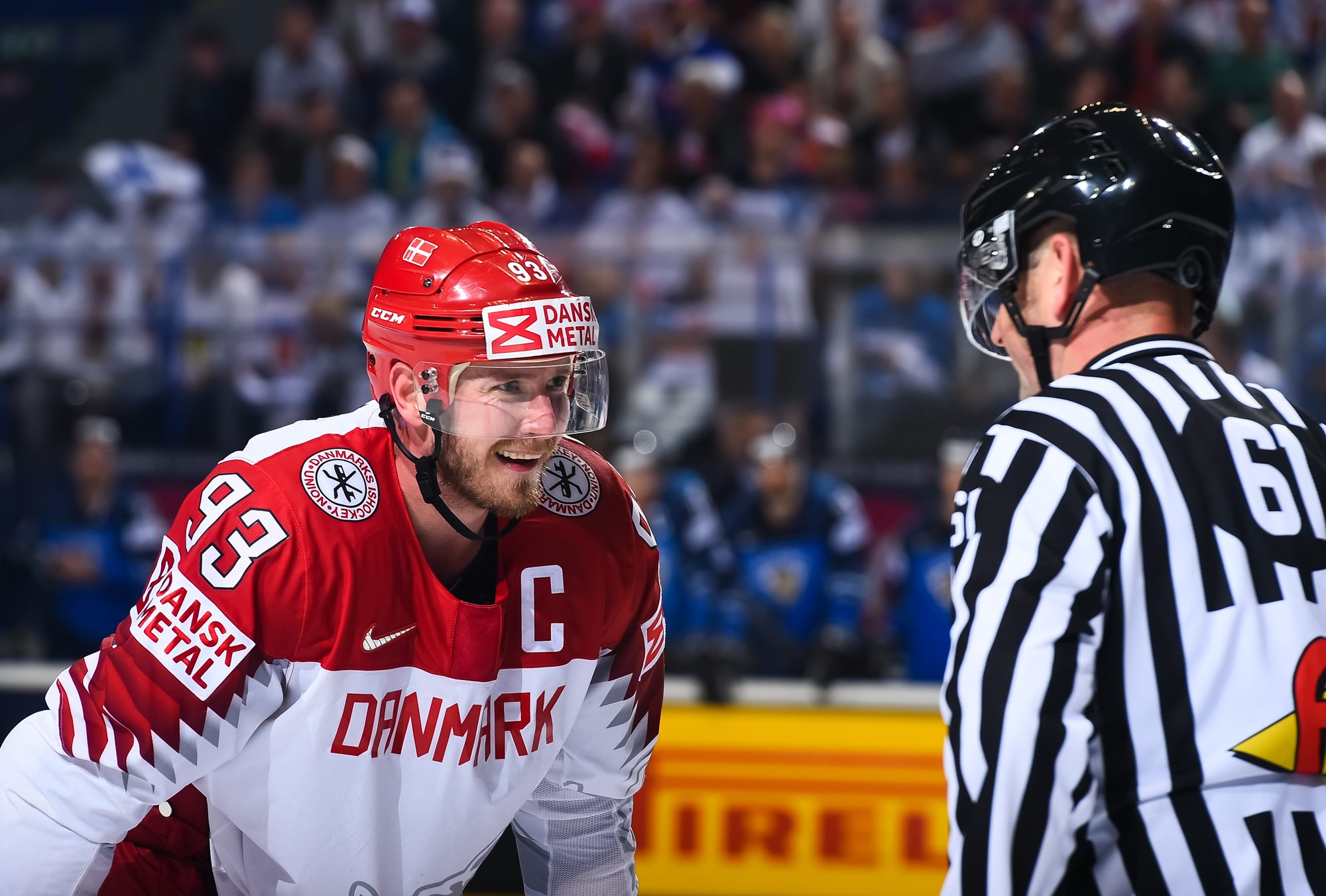 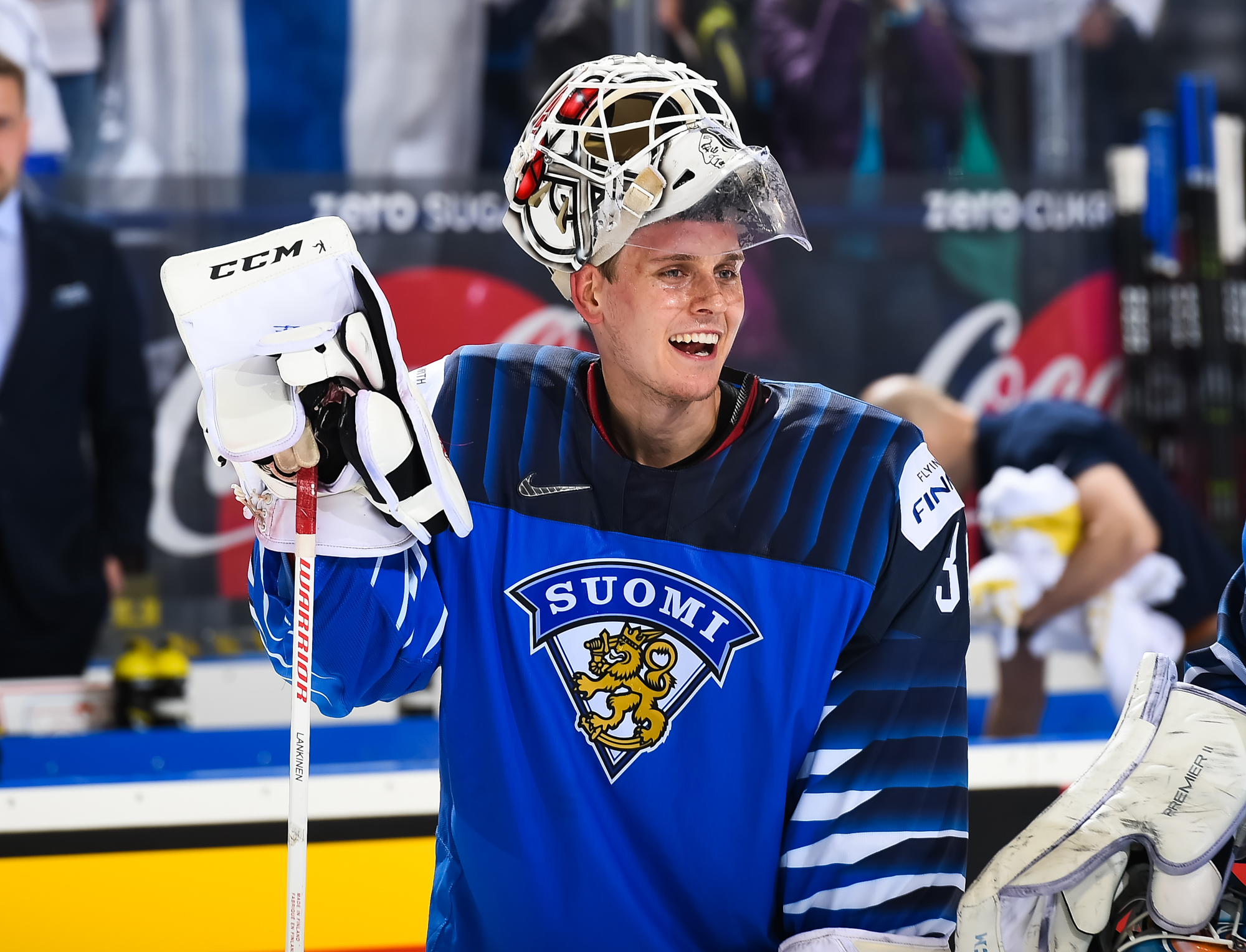 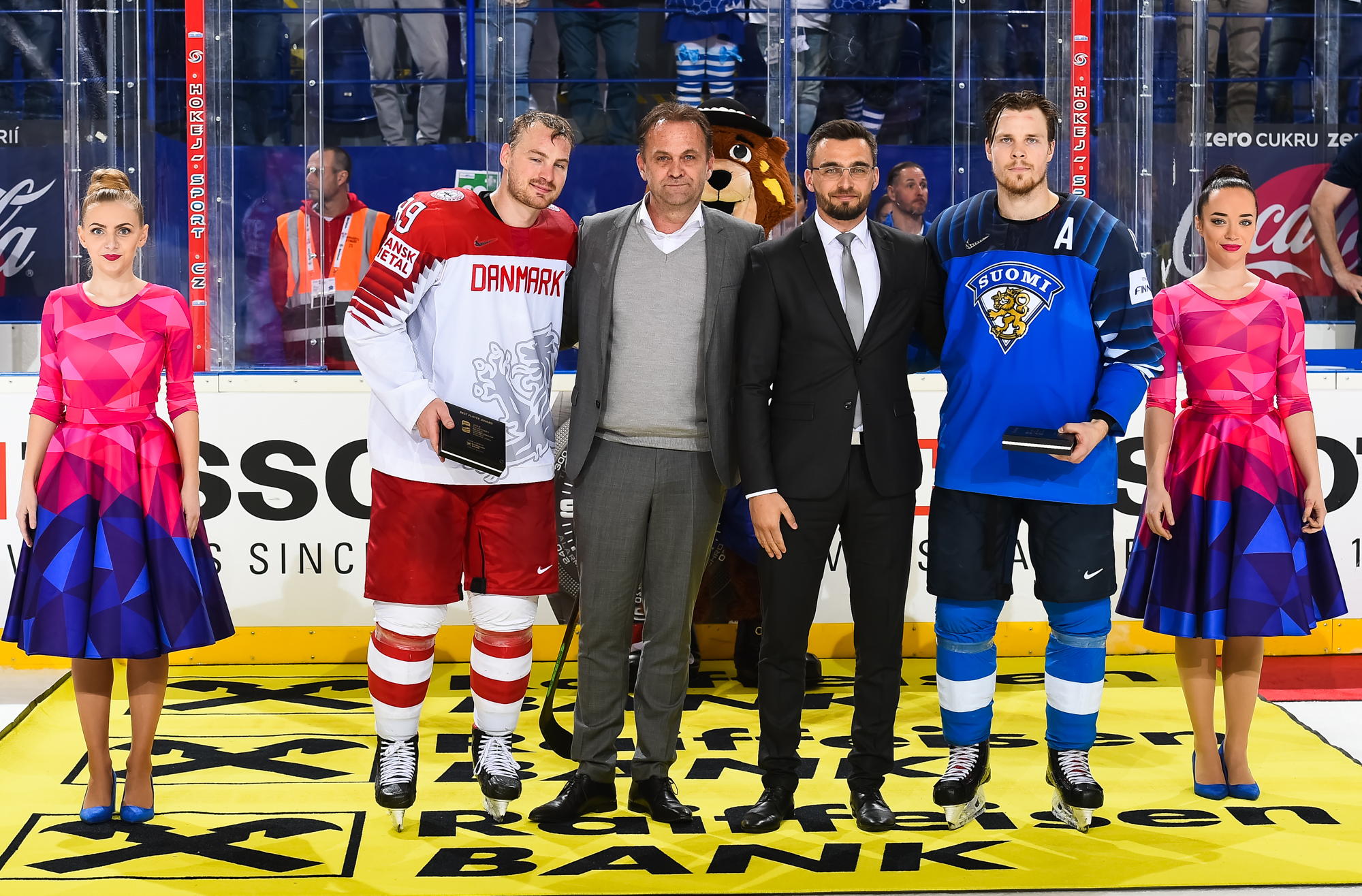 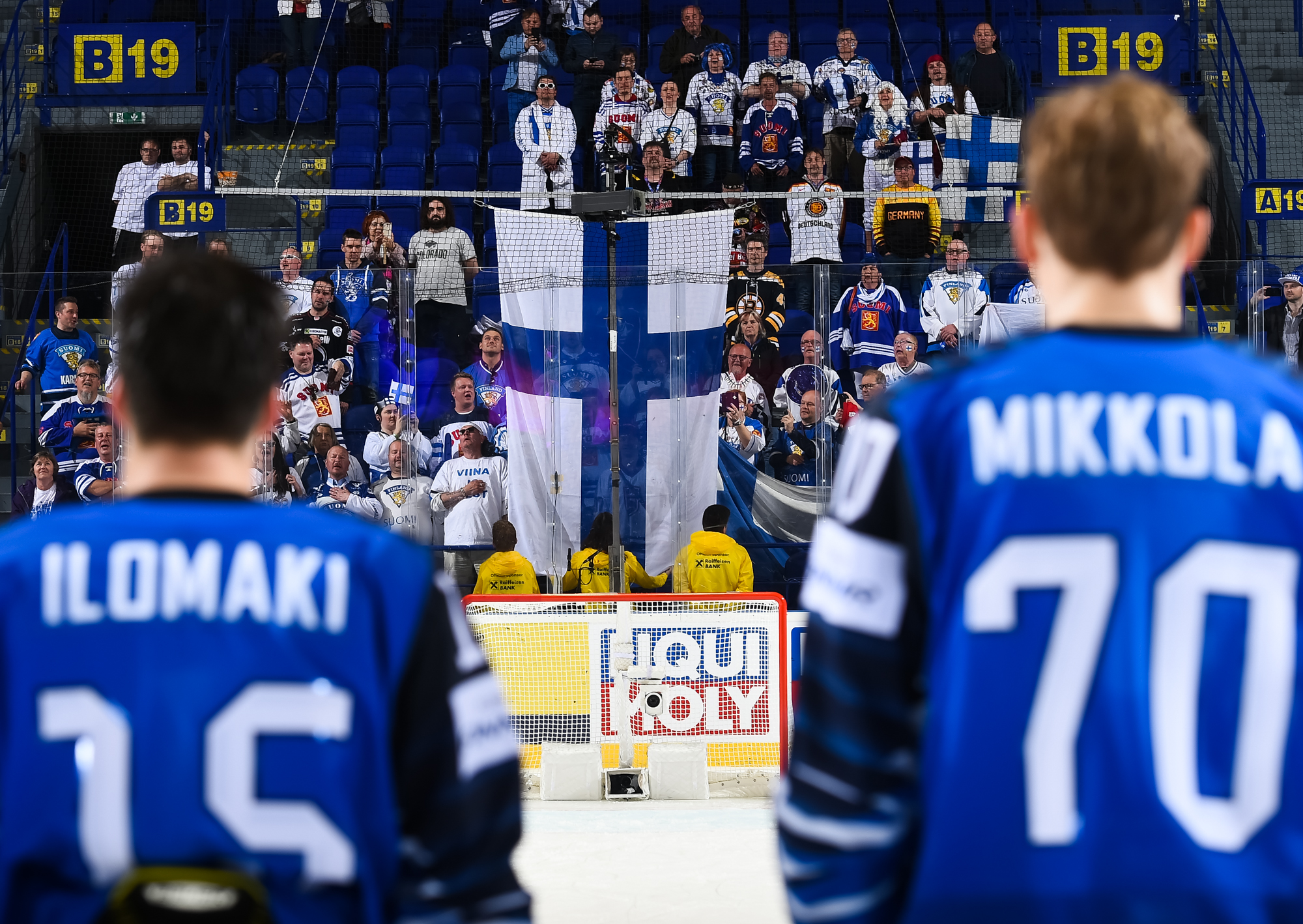 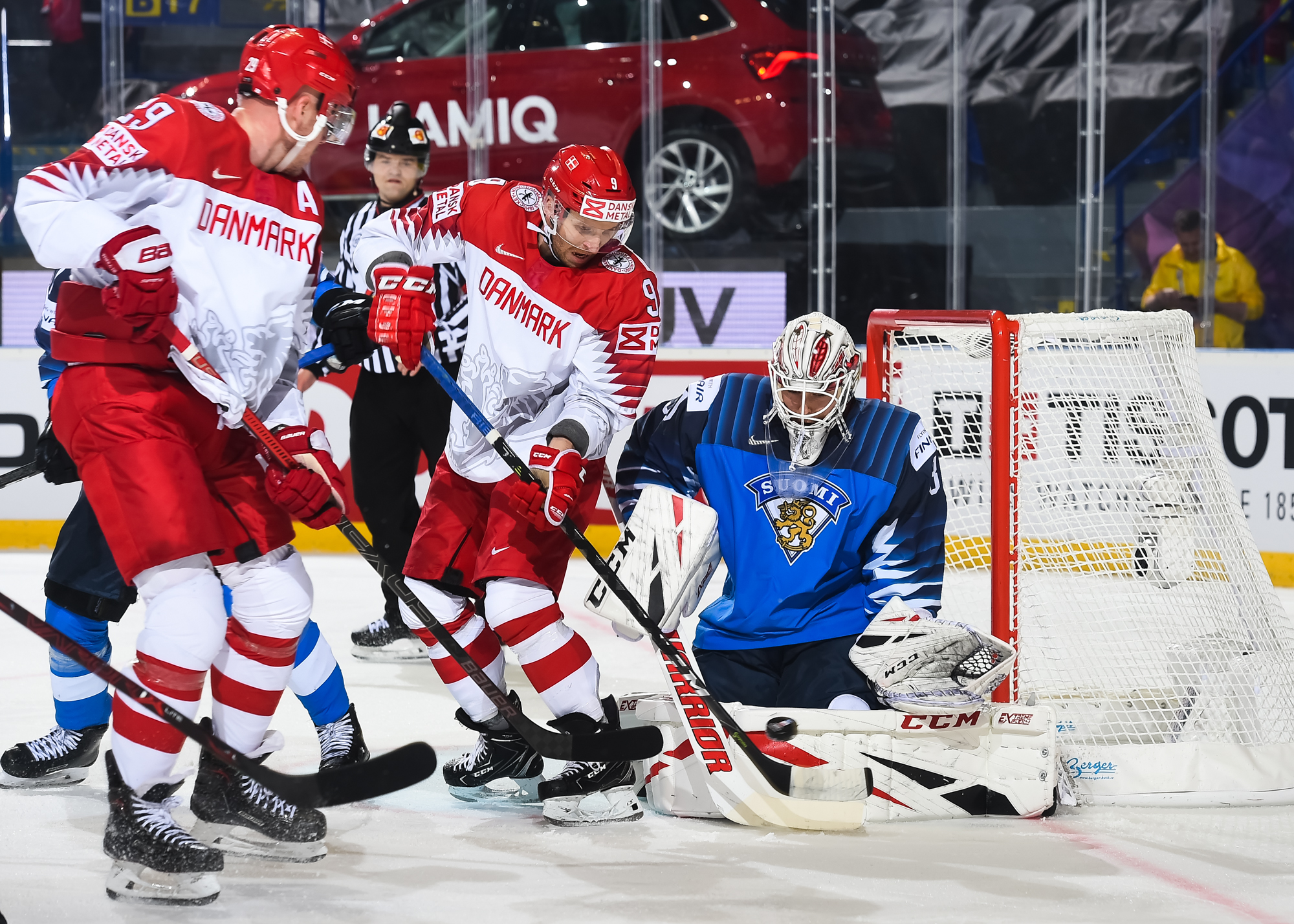 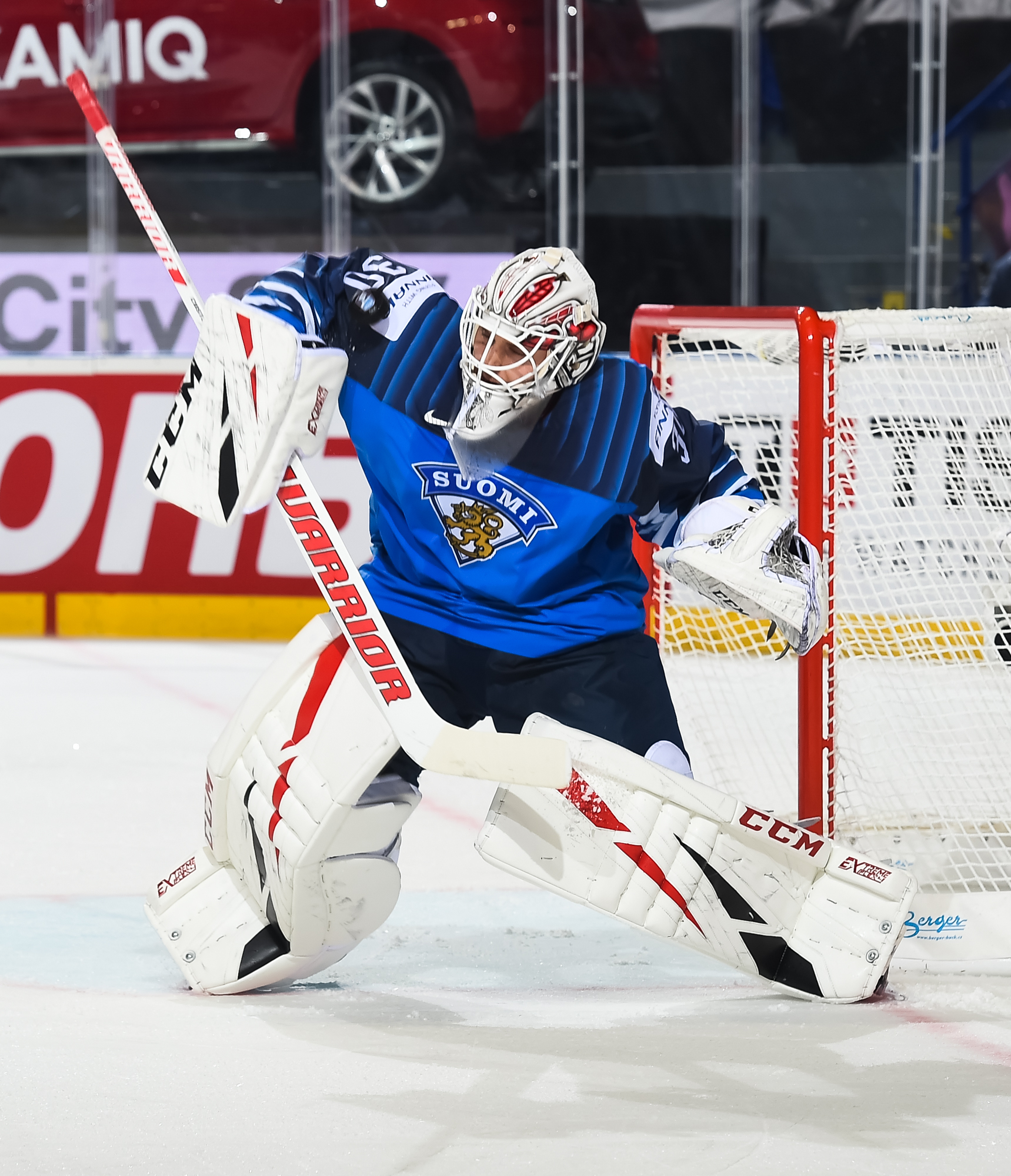 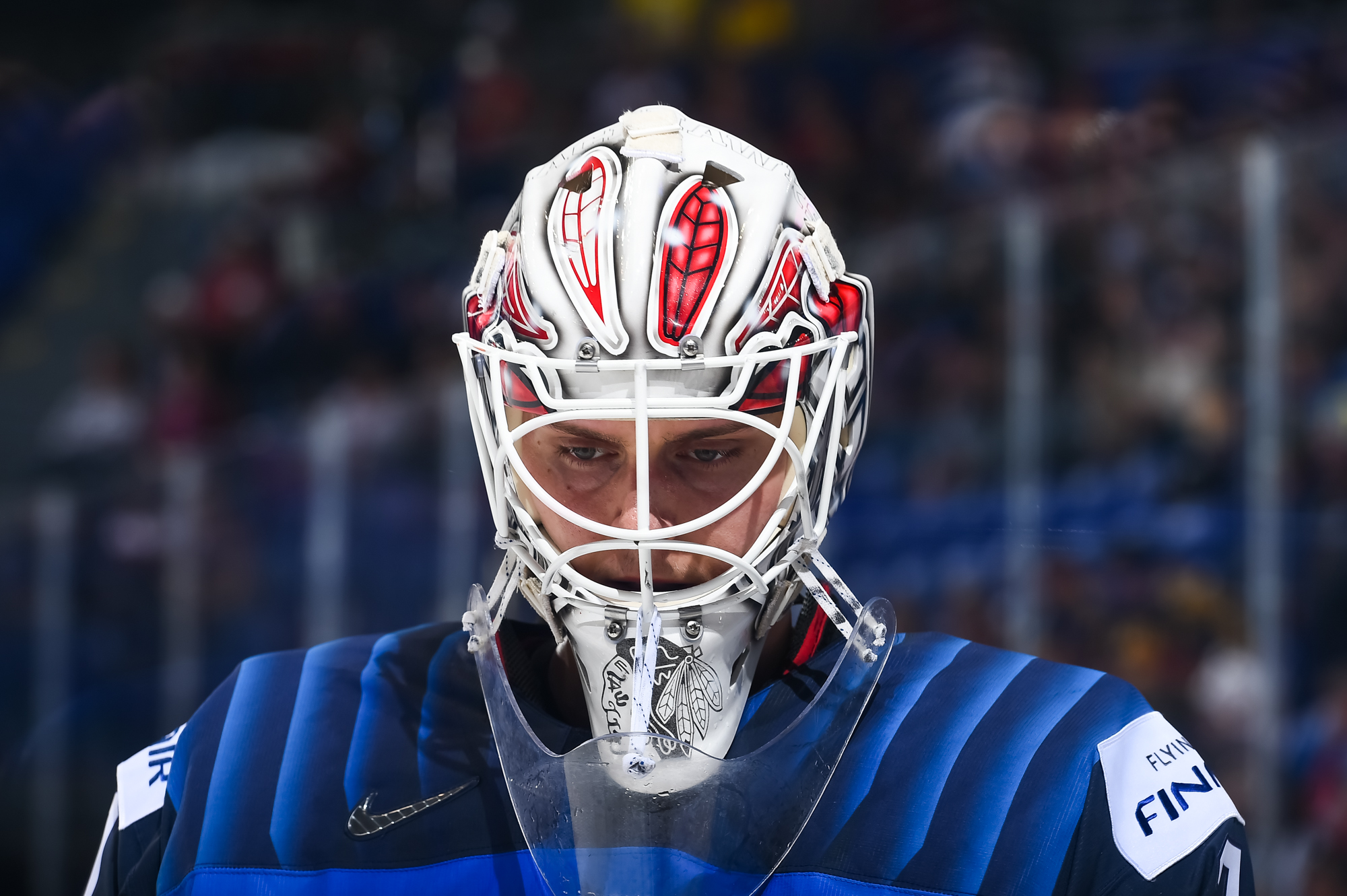 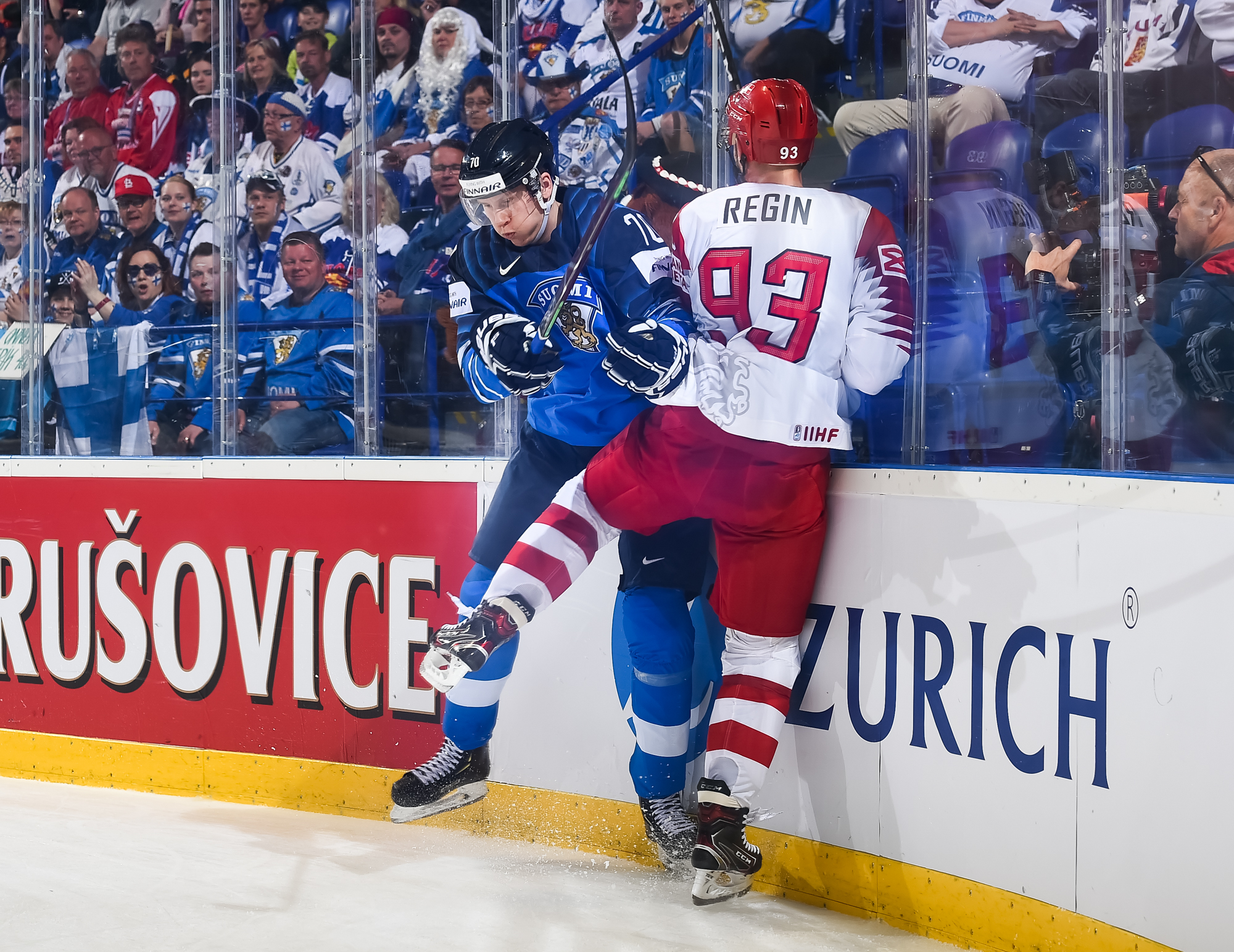 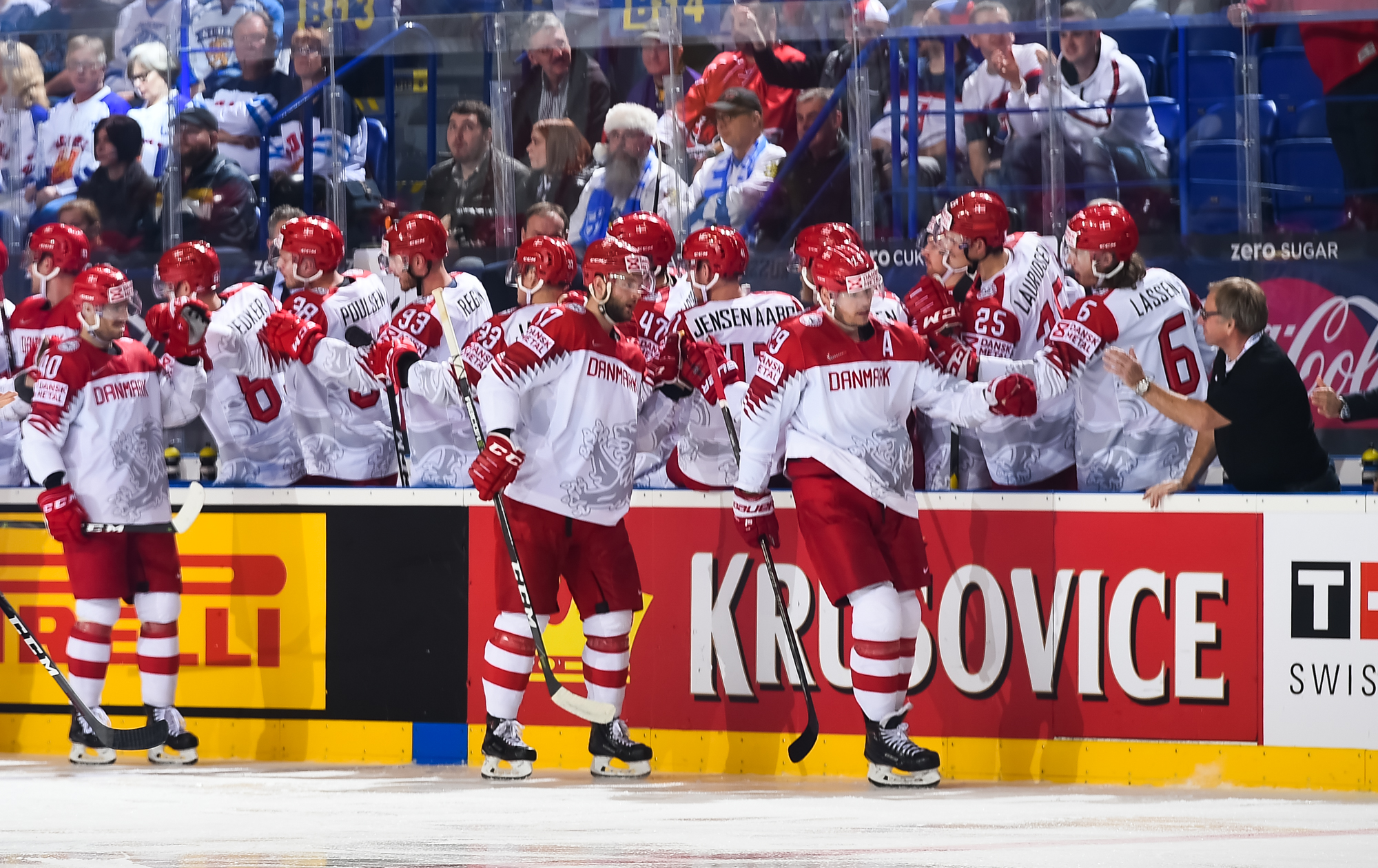 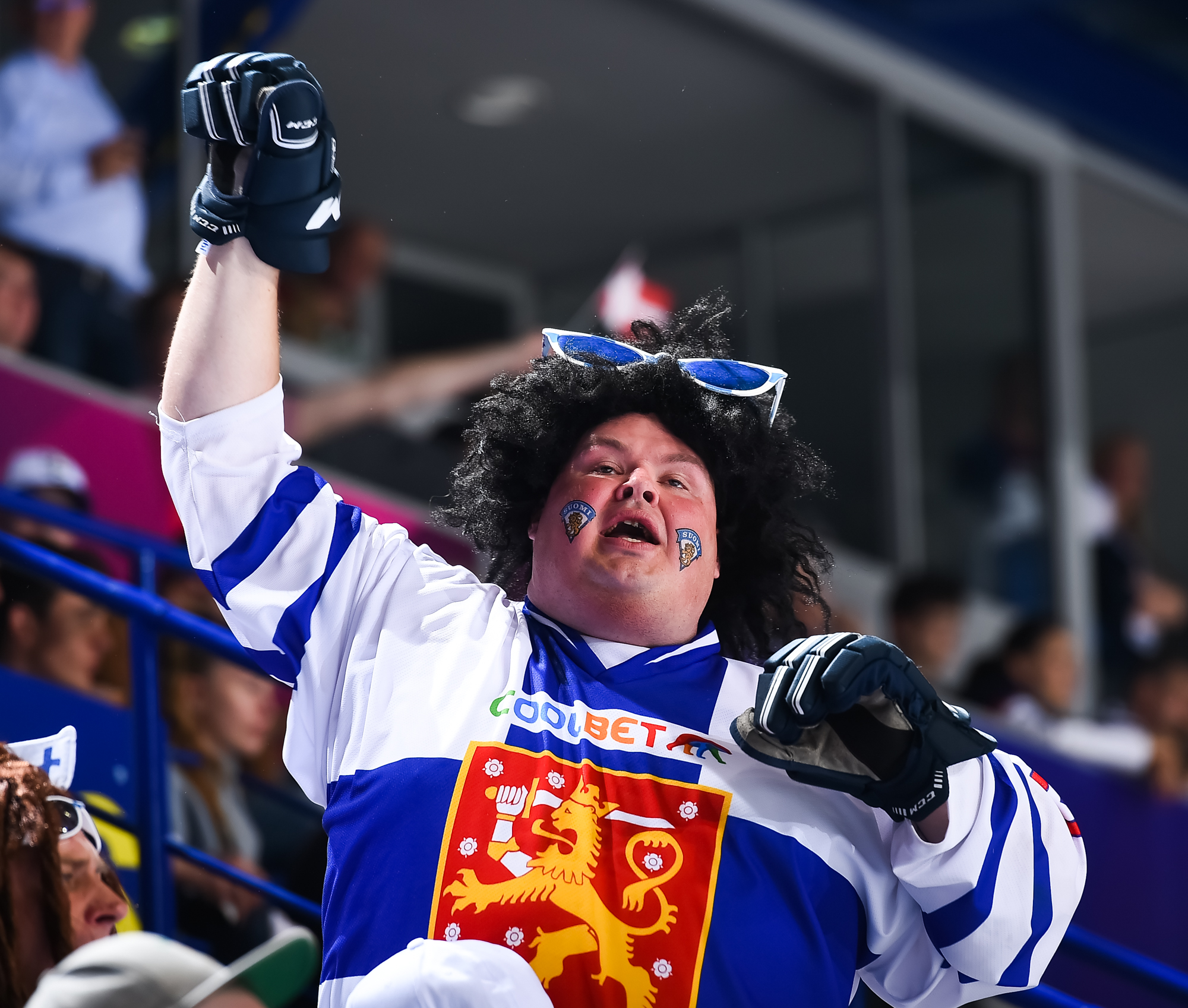 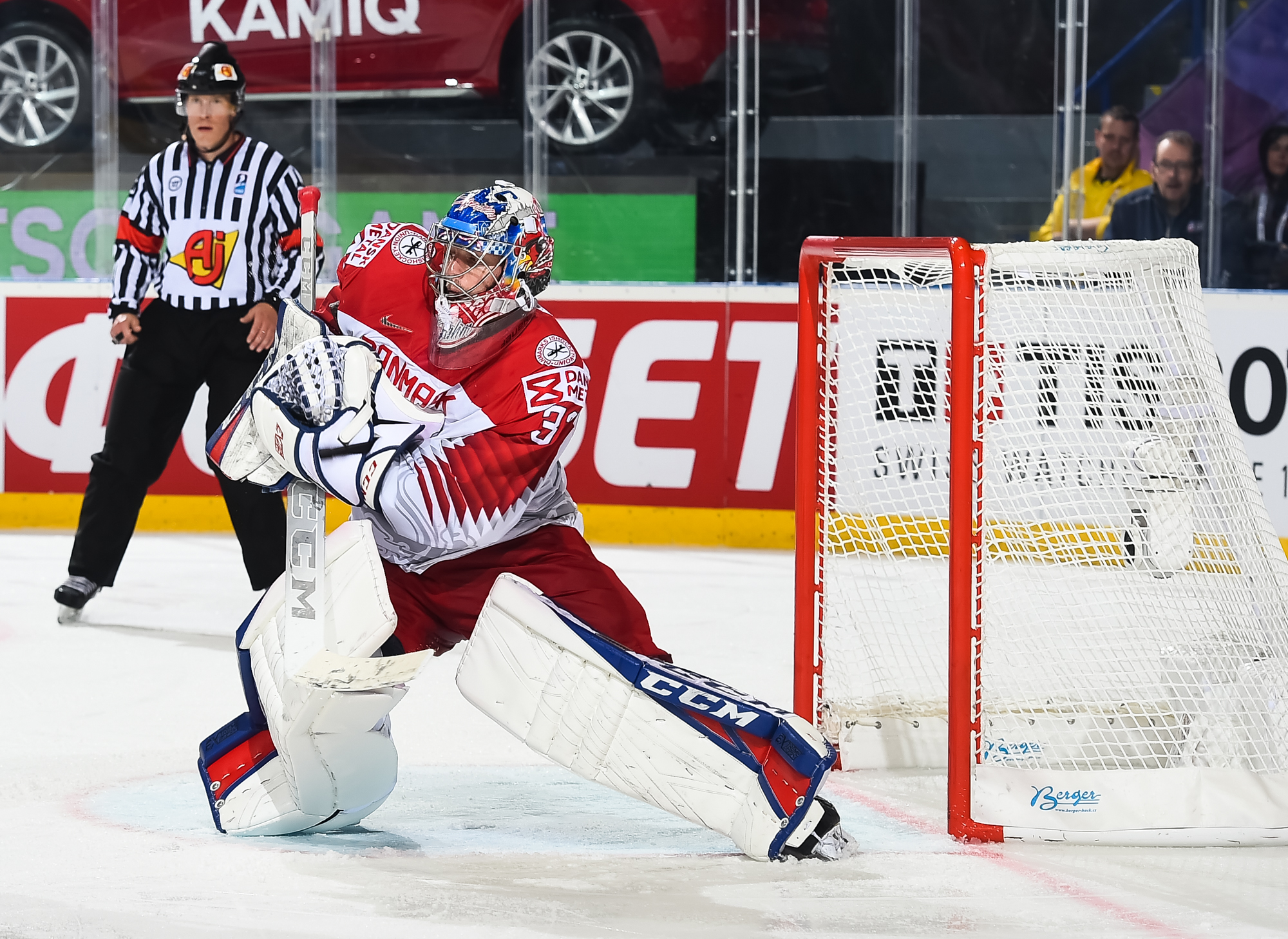 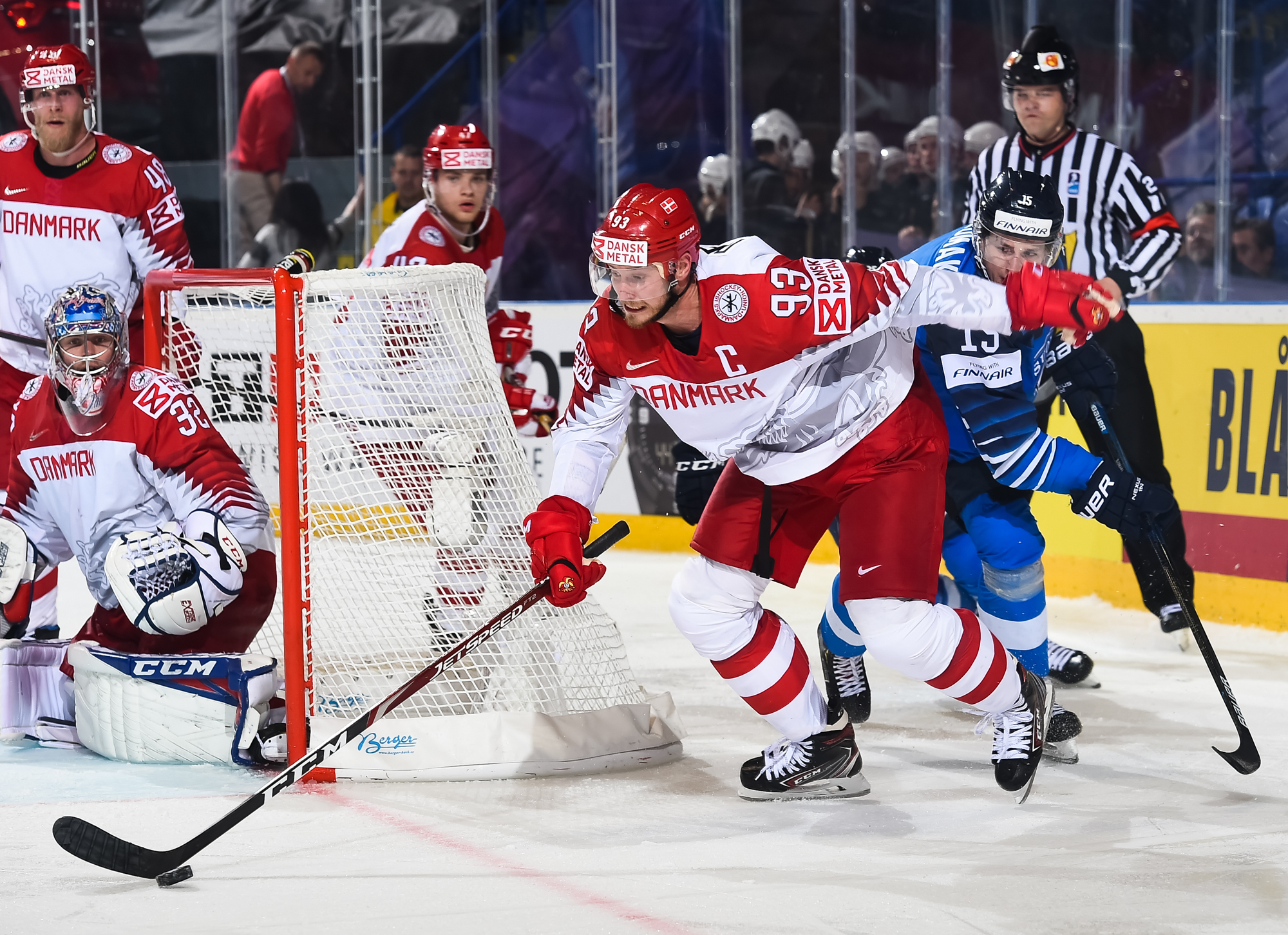 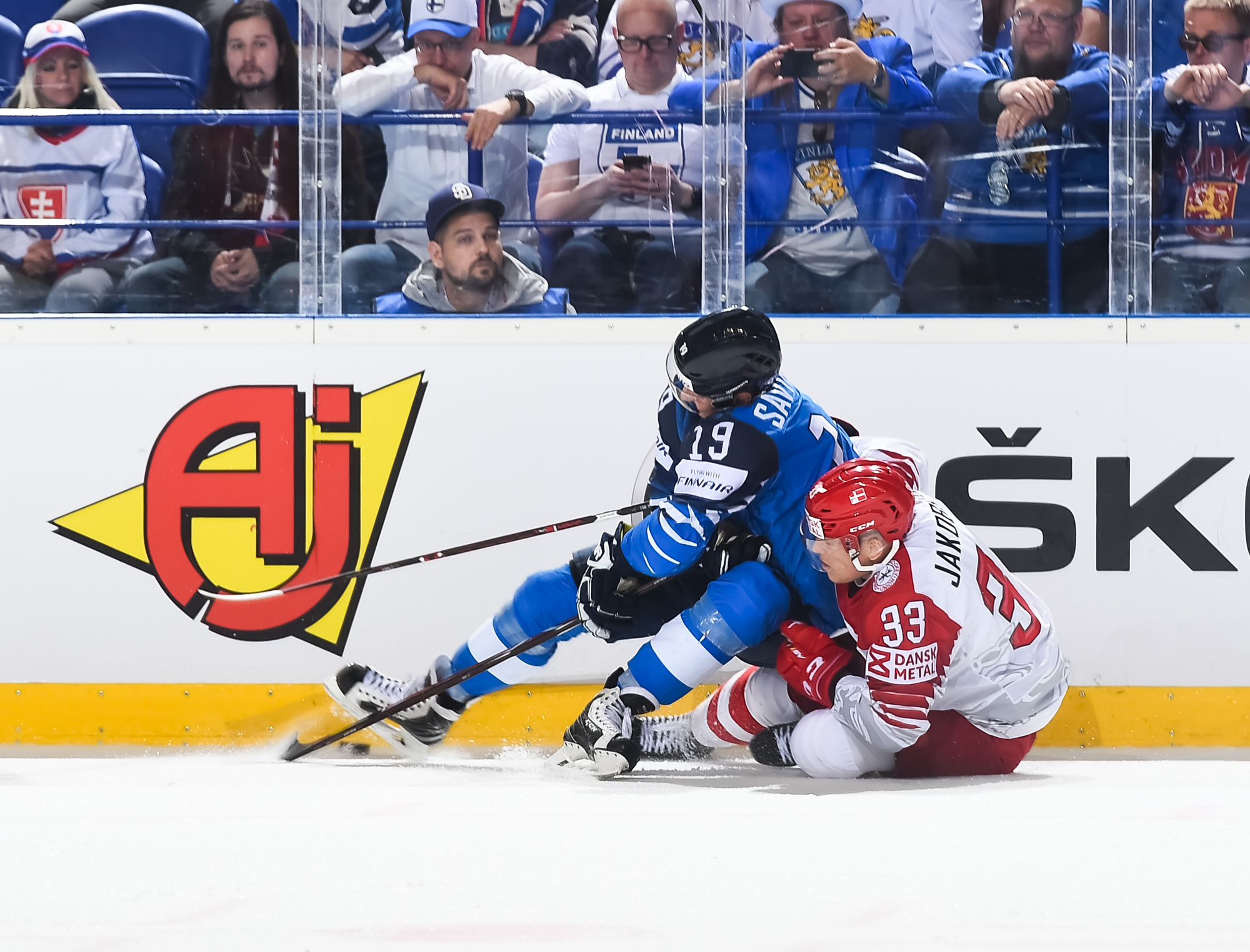 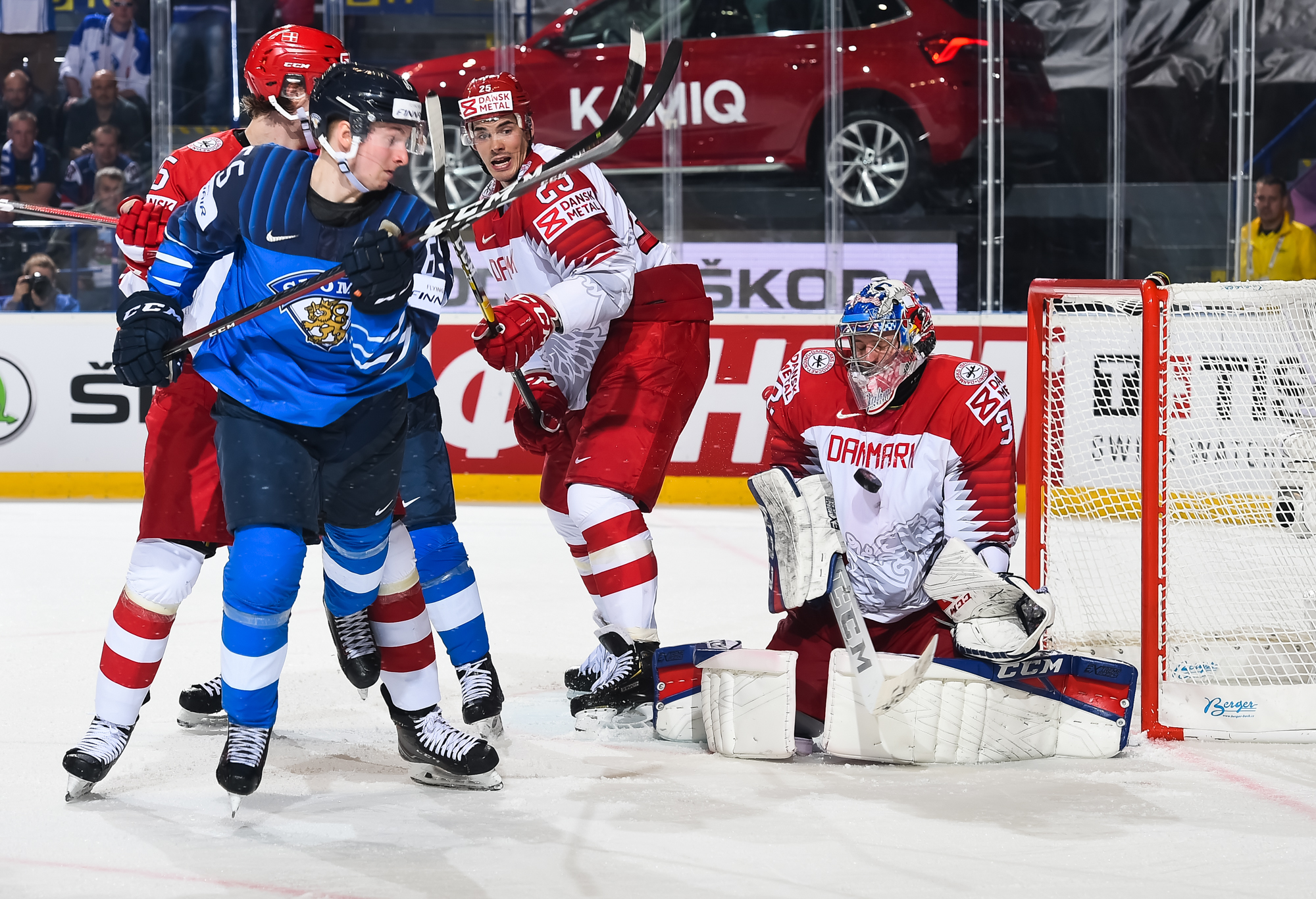 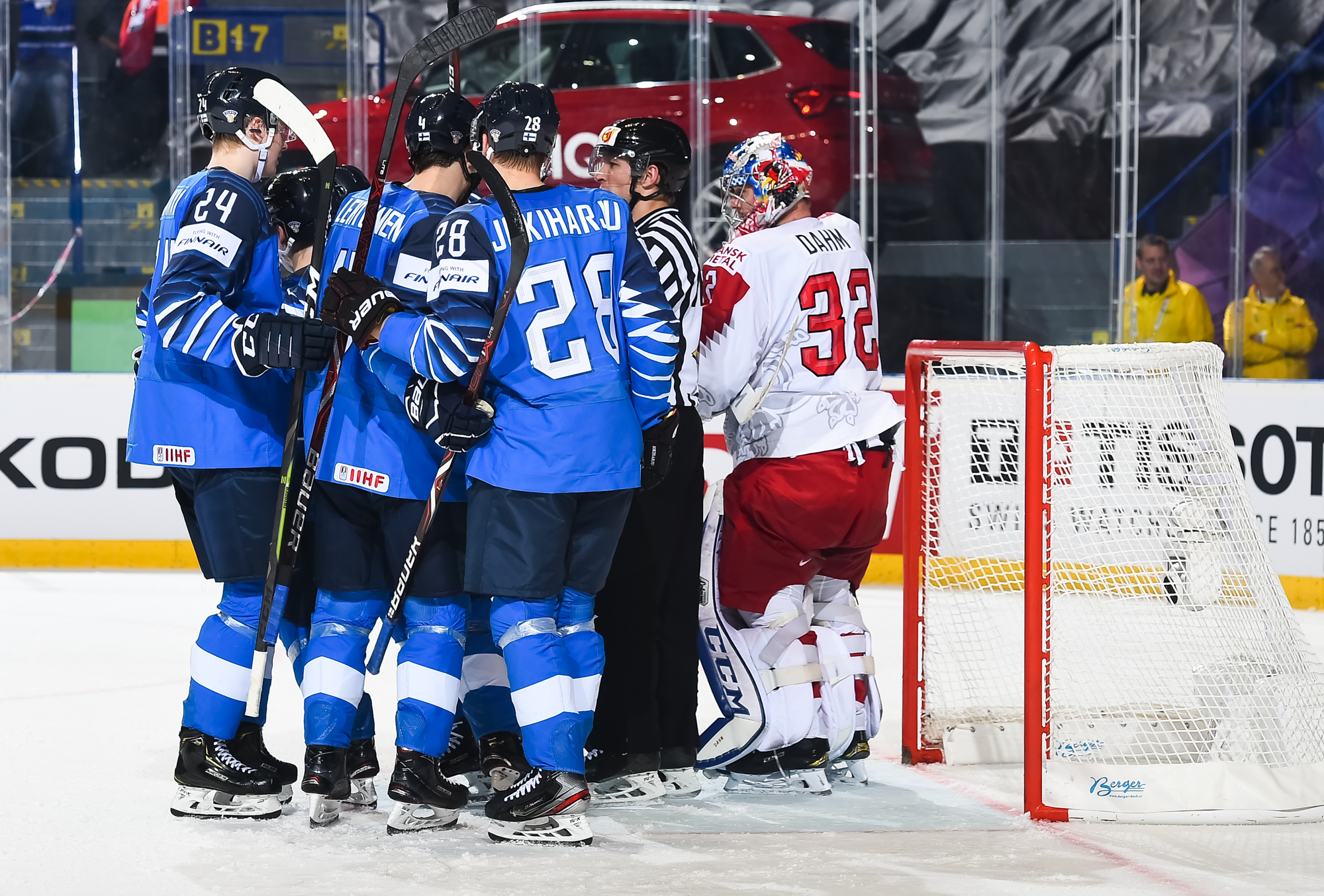 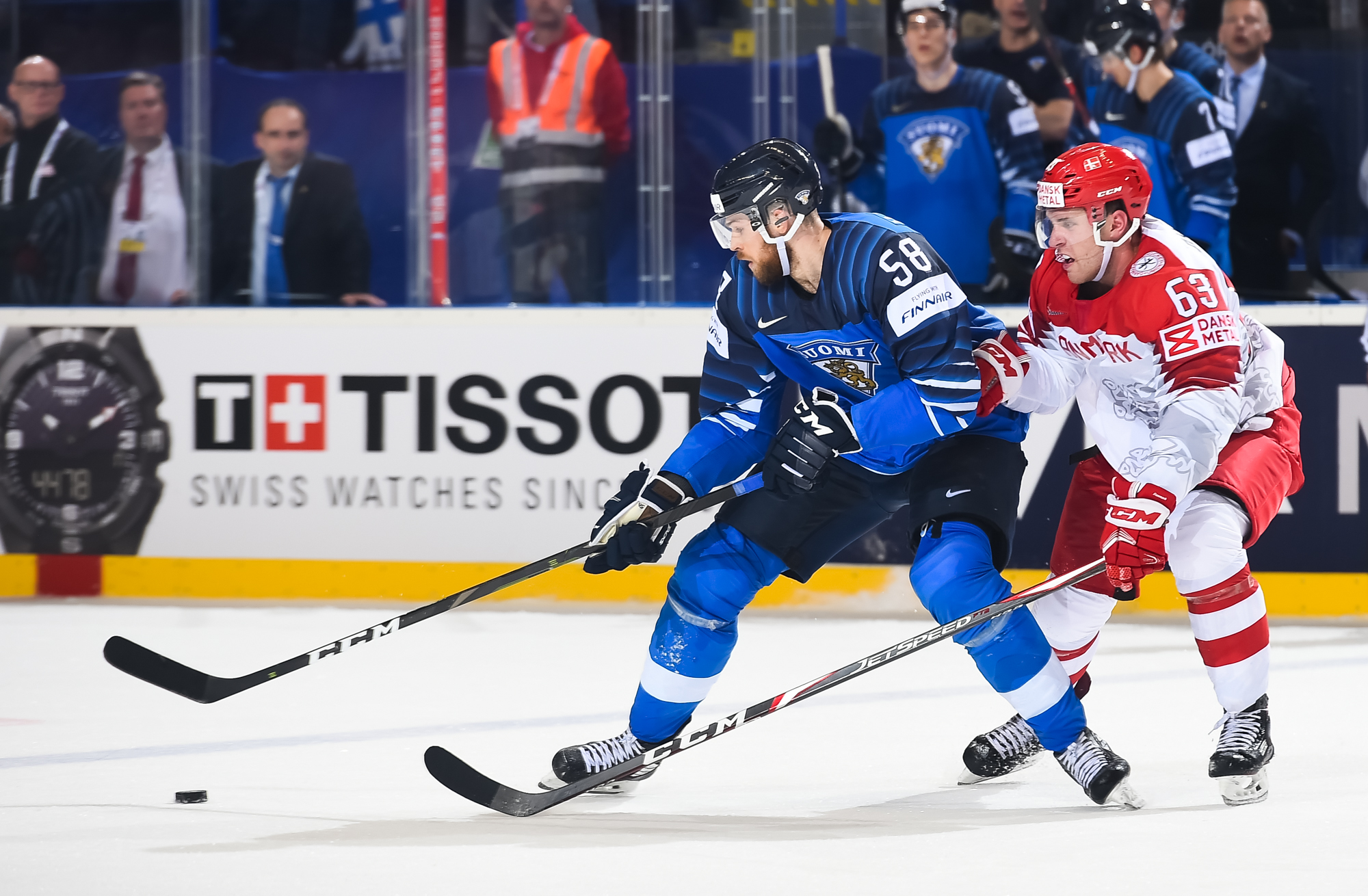 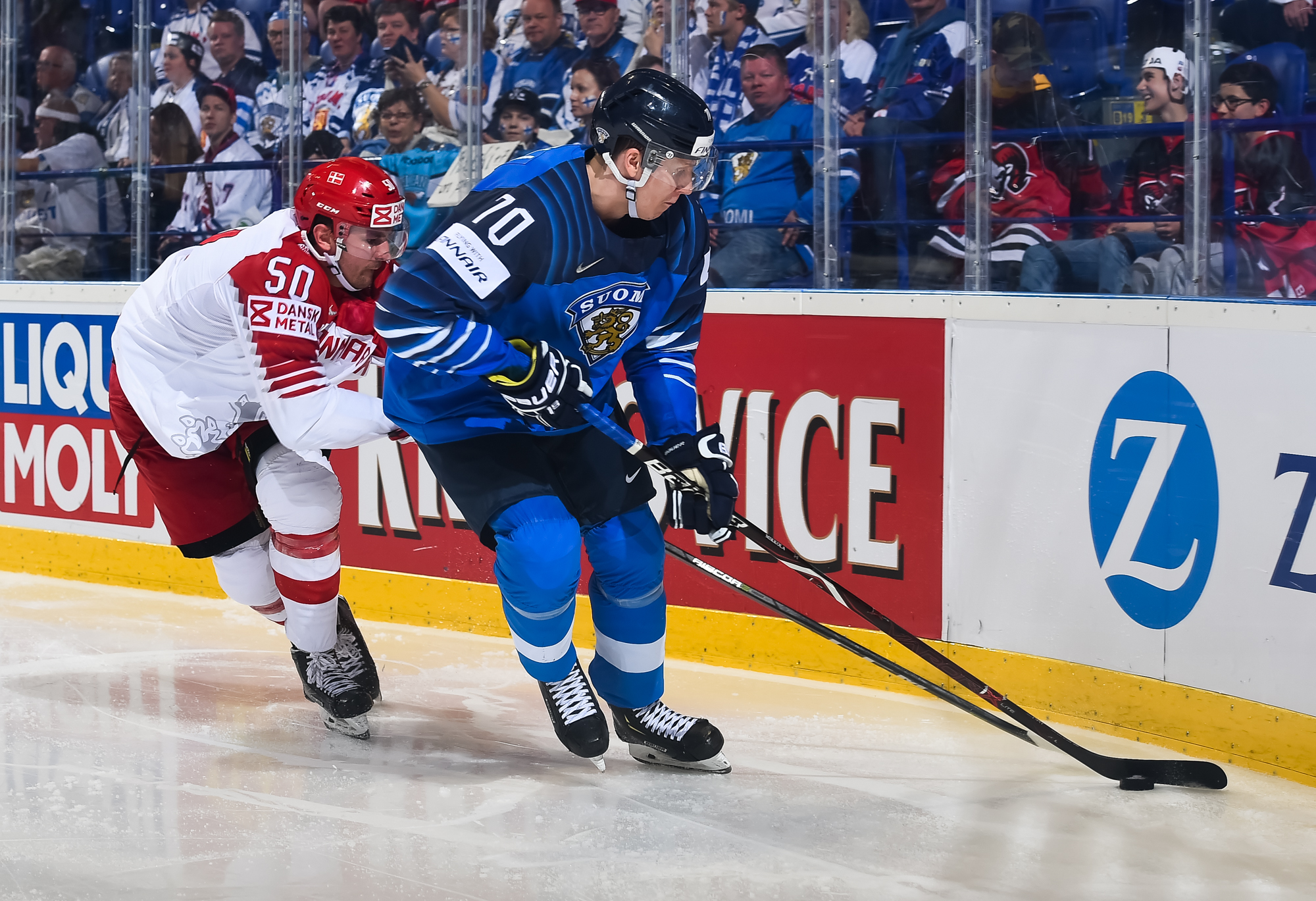 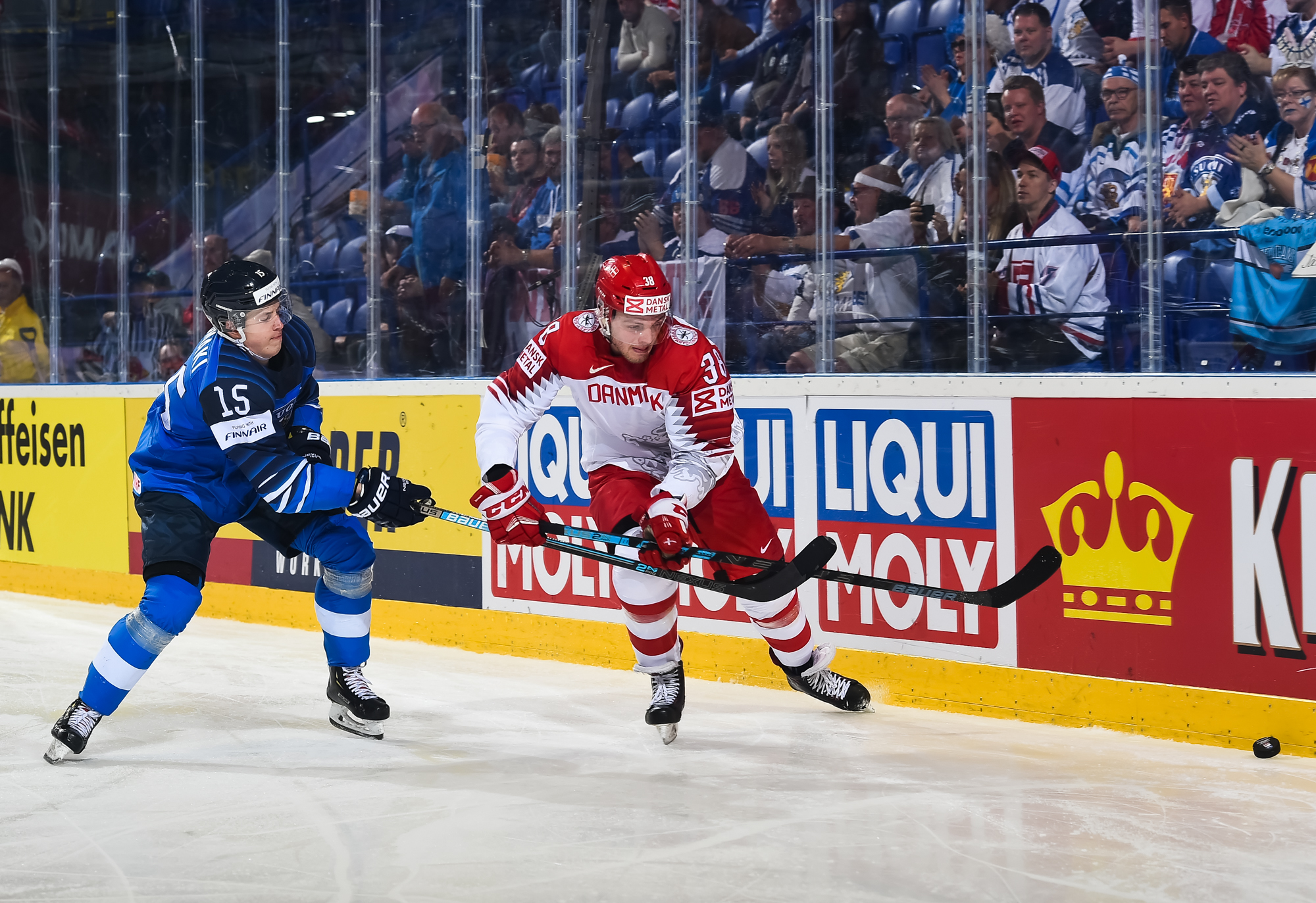 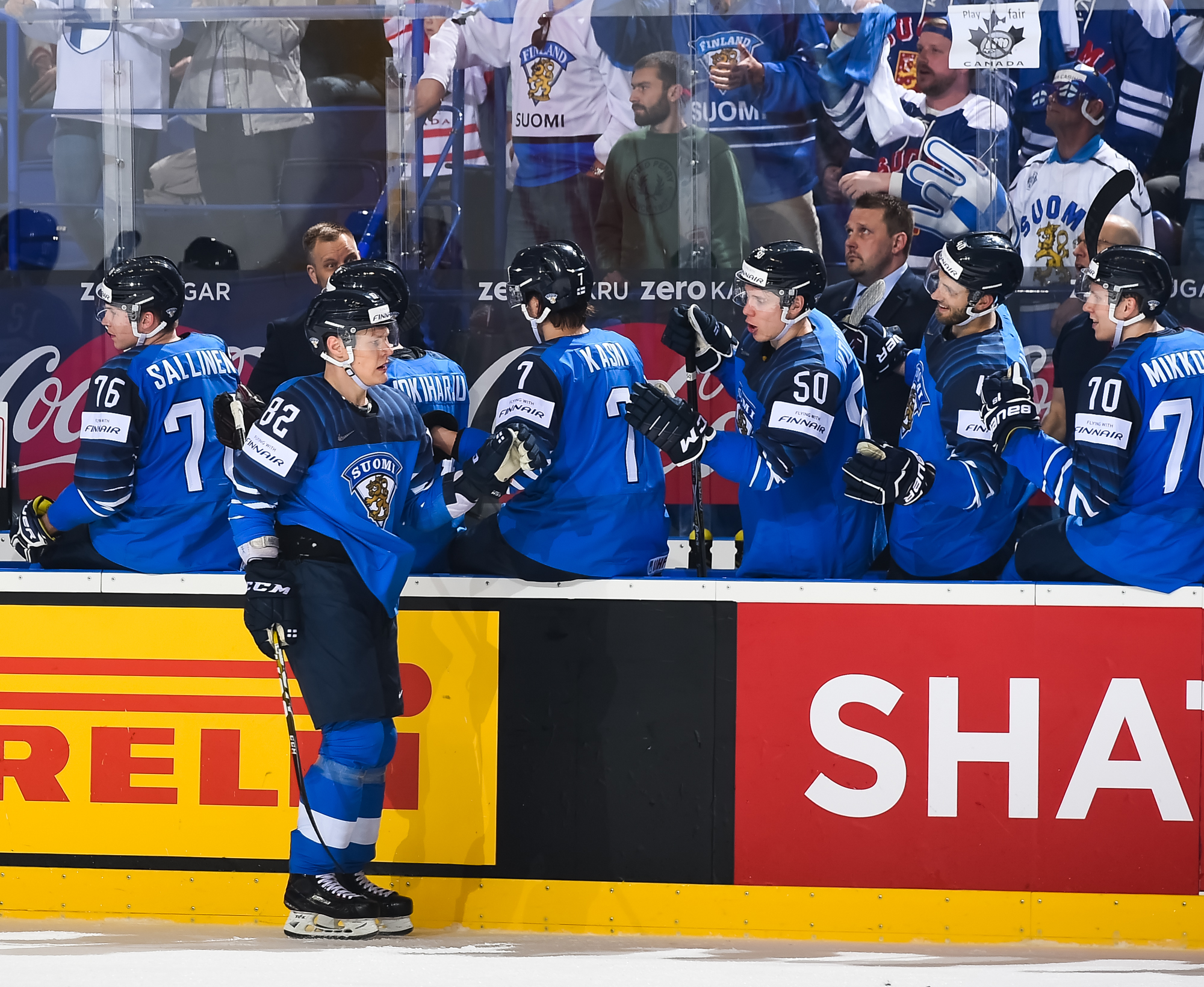 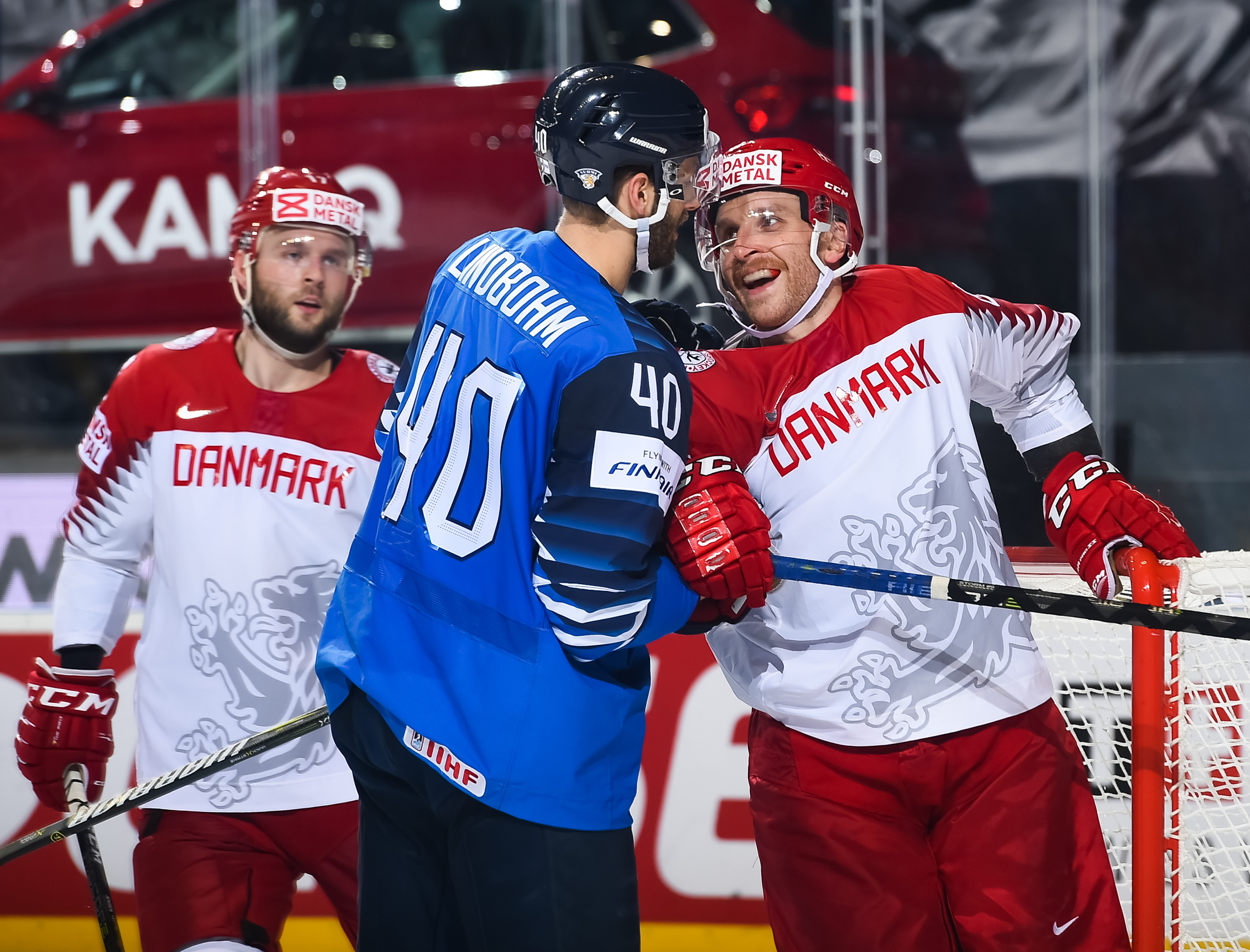